Warren Buffett’s Best Tips to Live by — Of All Time 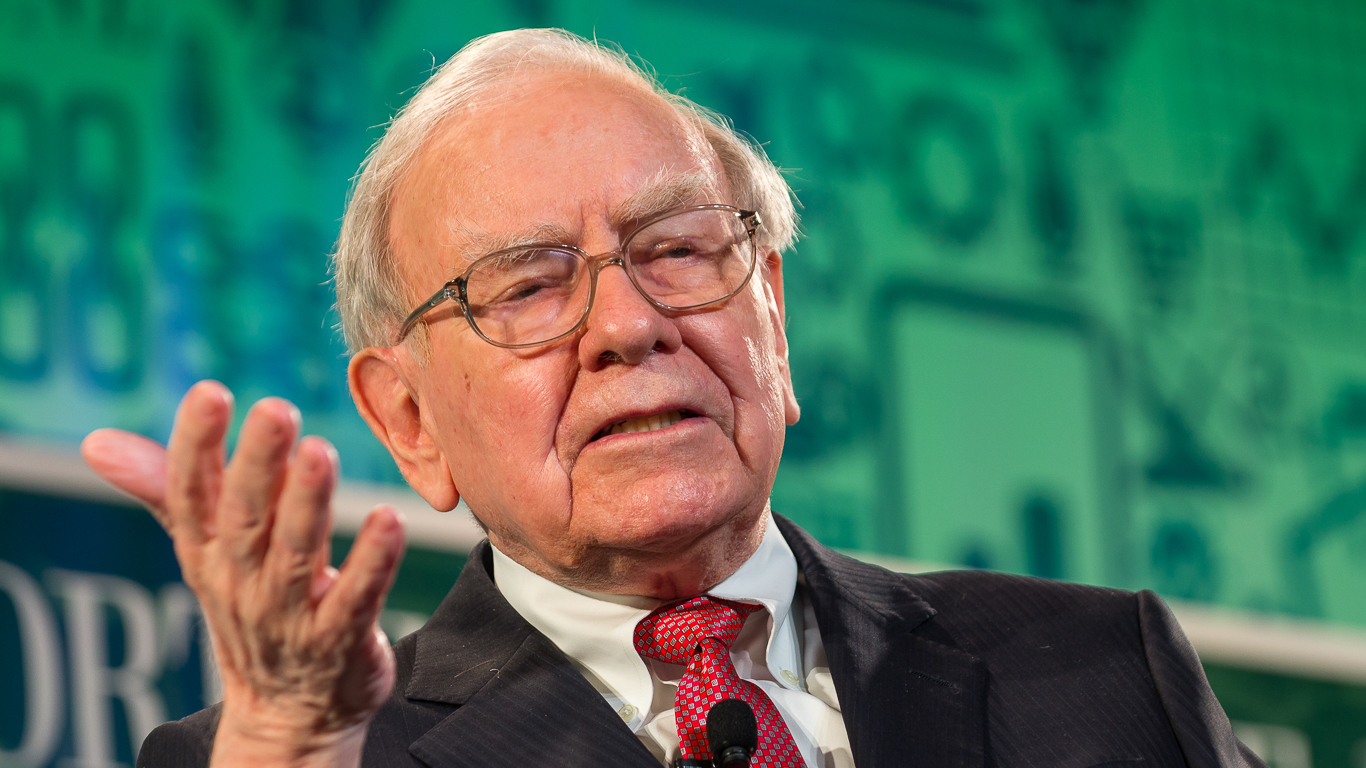 Warren Buffett is arguably the best-known, most respected investor of all time. Buffett is also known for his folksy charm, and his memorable quotes about the art of investing.

When you’re aiming to reach the top of the mountain, it’s usually wise to closely follow the footprints of those who have successfully made the climb before you. Your odds of investing success can increase exponentially if you learn and apply Buffett’s best investing tips. 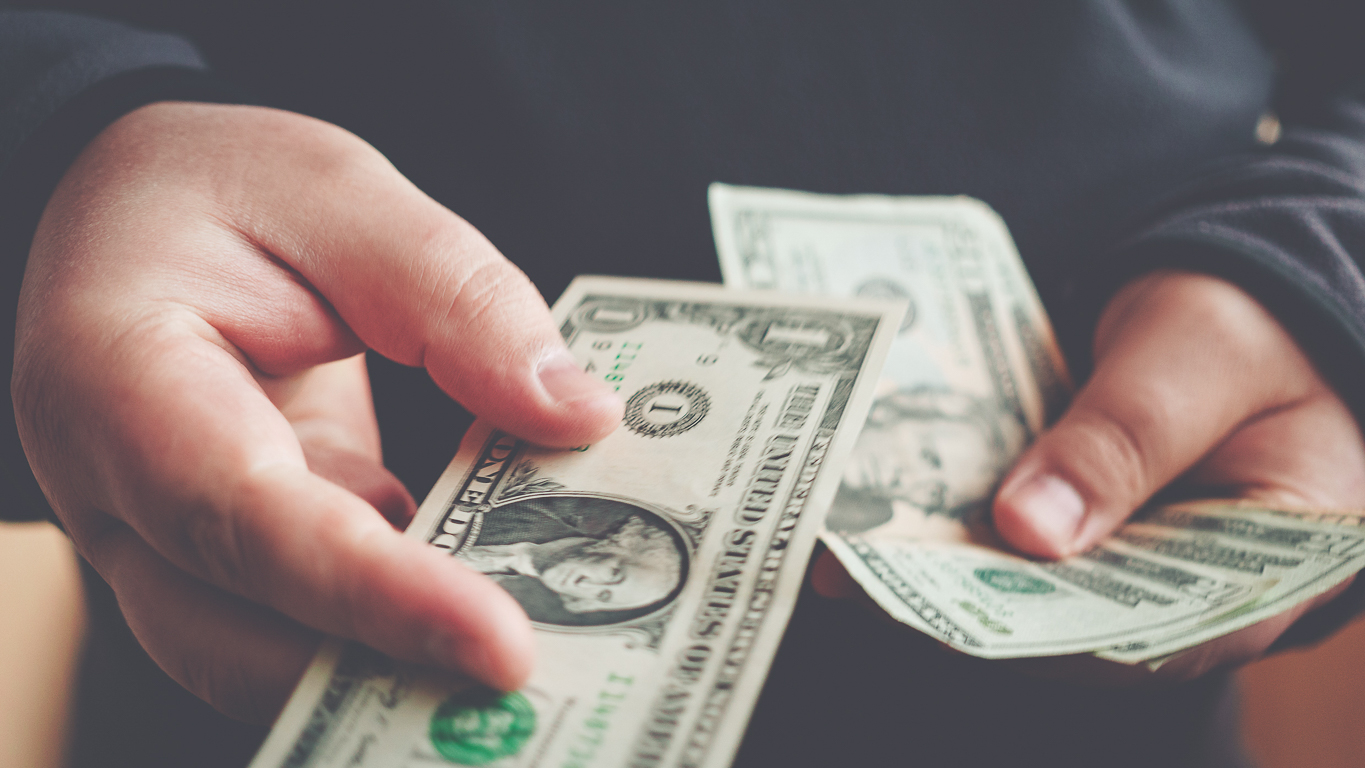 One of the most popular pieces of Buffett advice is as follows: “Rule No. 1: Never lose money. Rule No. 2: Never forget rule No. 1.” If you’re working from a loss, it’s that much harder to get back to where you started, let alone to earn gains.

Even Buffett Loses Sometimes: Warren Buffett’s 15 Biggest Money Mistakes — and What You Can Learn From Them 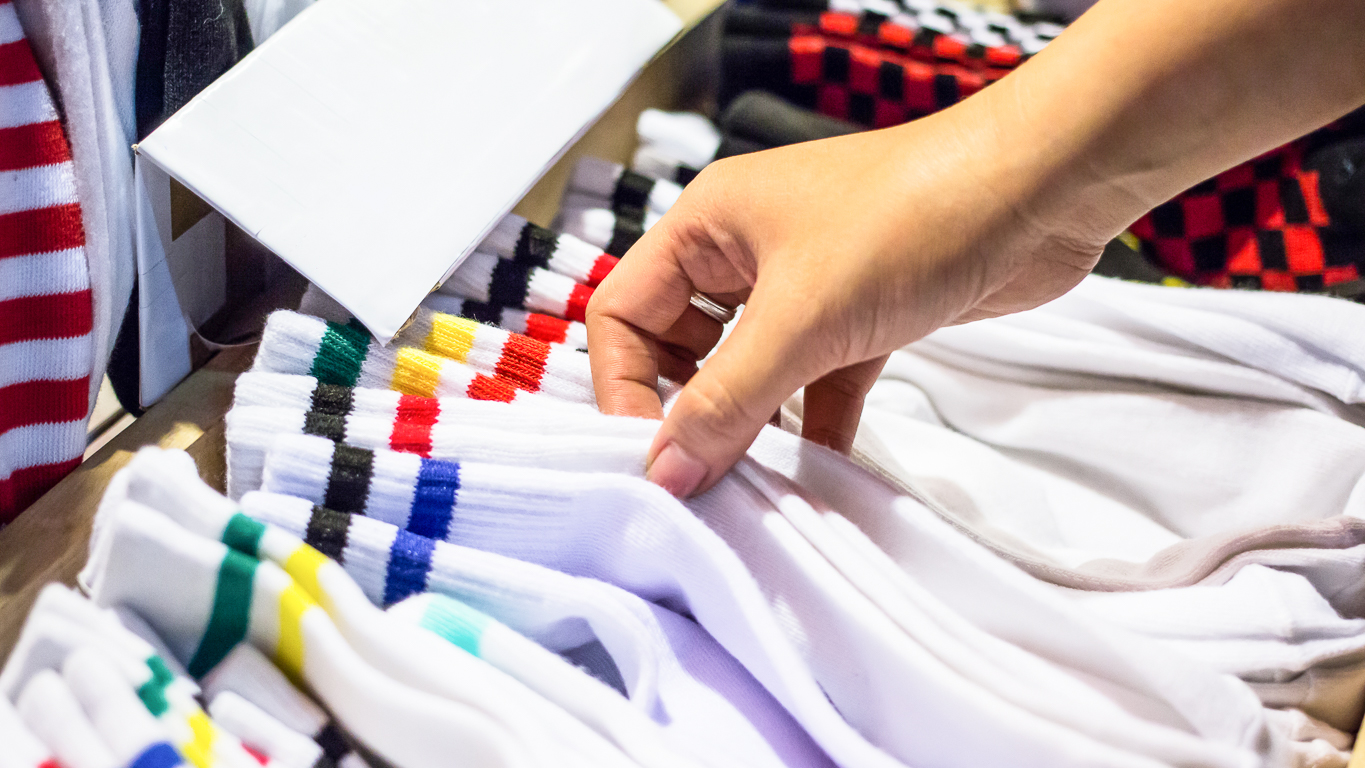 2. Get High Value at a Low Price

In the 2008 Berkshire Hathaway shareholder letter, Buffett shared another key principle: “Price is what you pay; value is what you get.” Losing money can happen when you pay a price that doesn’t match the value you get — such as when you pay high interest on credit card debt or spend on items you’ll rarely use.

Instead, live modestly like Buffett by looking for opportunities to get more value at a lower price. “Whether we’re talking about socks or stocks, I like buying quality merchandise when it is marked down,” Buffett wrote. 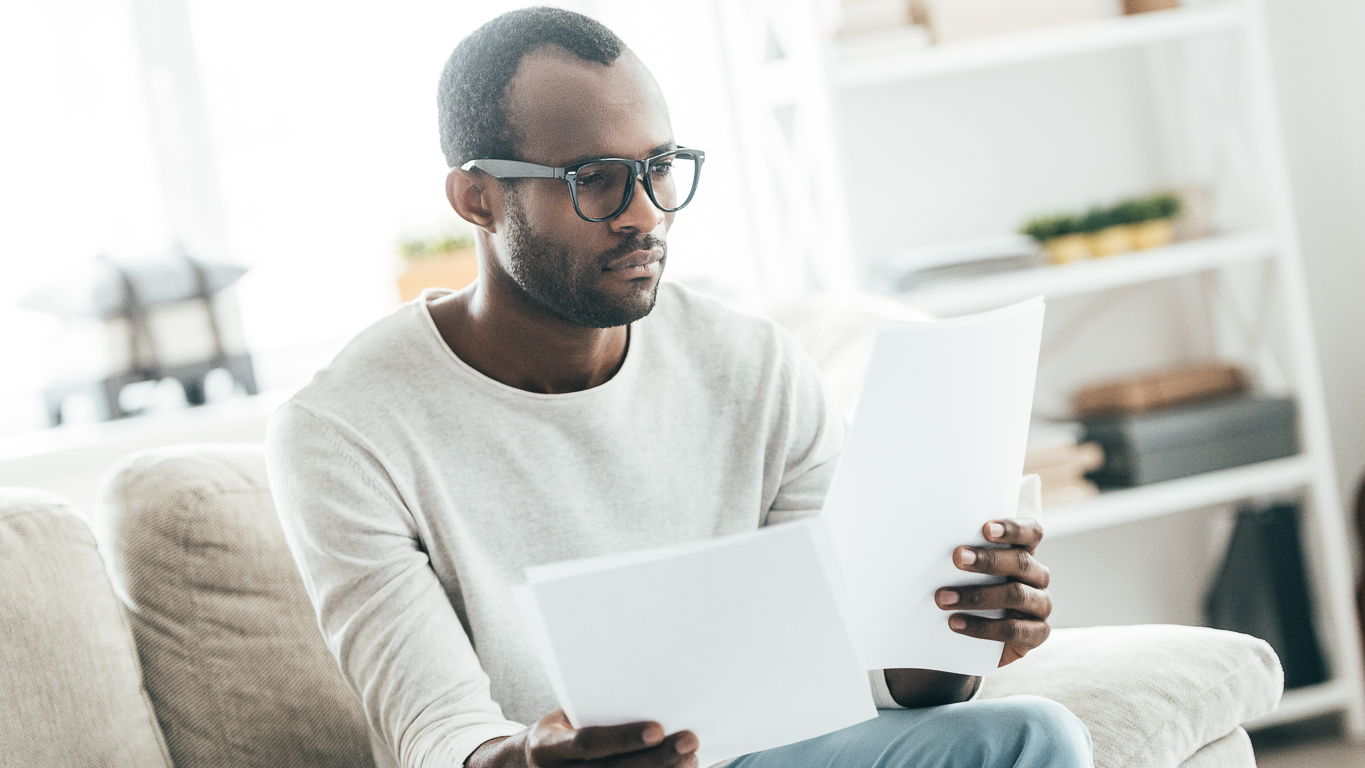 In a 2007 address at the University of Florida, Buffett said, “Most behavior is habitual, and they say that the chains of habit are too light to be felt until they are too heavy to be broken.” Work on building positive money habits, and breaking those that hurt your wallet. 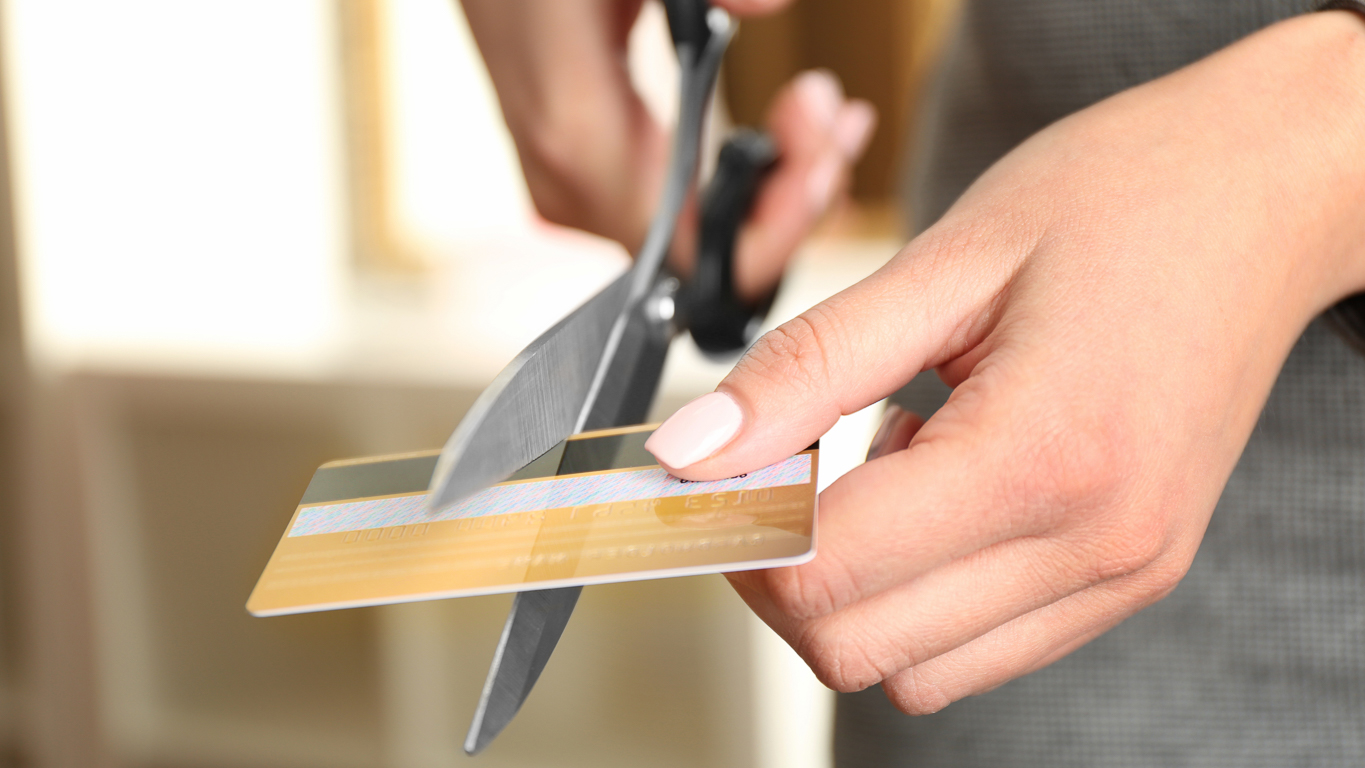 Buffett built his wealth by getting interest to work for him — instead of working to pay interest, as many Americans do. “I’ve seen more people fail because of liquor and leverage — leverage being borrowed money,” Buffett said in a 1991 speech at the University of Notre Dame. “You really don’t need leverage in this world much. If you’re smart, you’re going to make a lot of money without borrowing.”

Find: 30 Ways to Dig Yourself Out of Debt 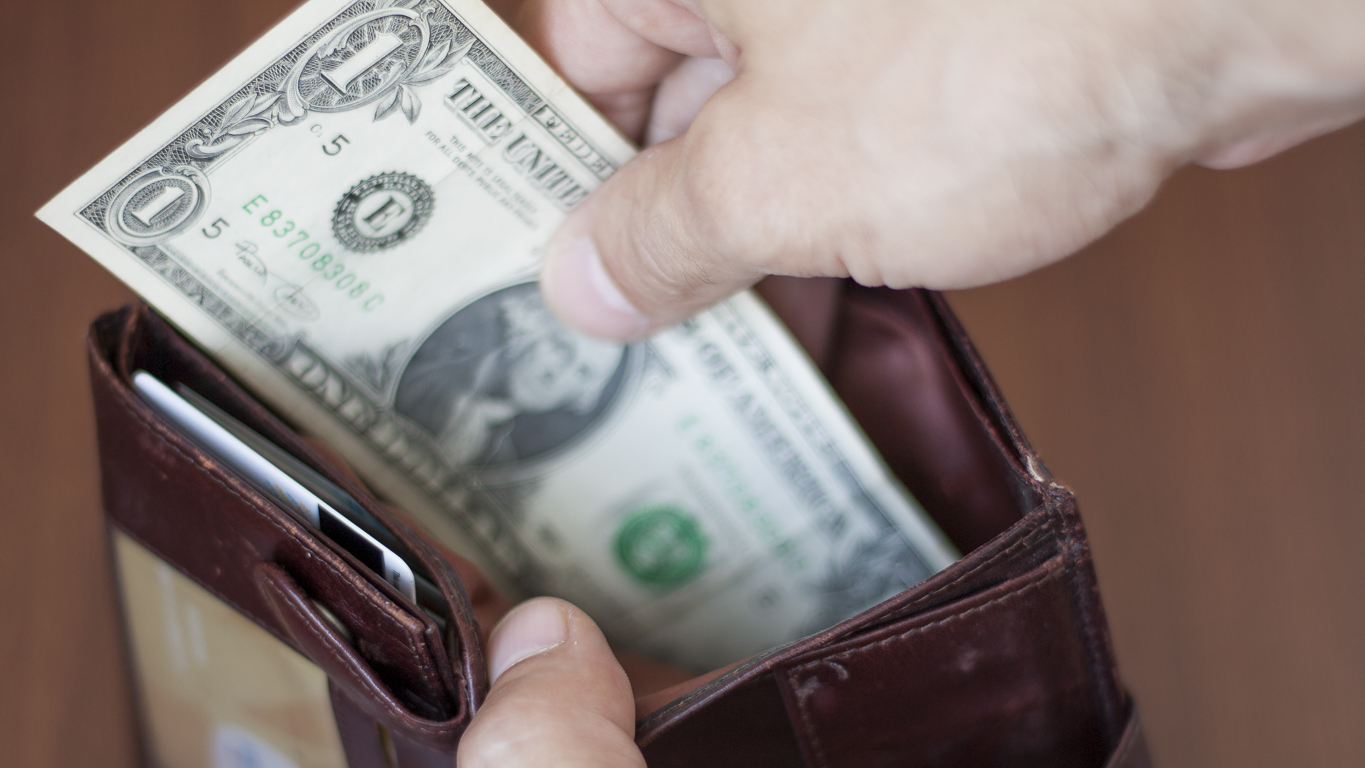 Another key to ensuring security is to always keep cash reserves on hand. “We always maintain at least $20 billion — and usually far more — in cash equivalents,” Buffett said in the 2014 Berkshire Hathaway annual report.

Businesses and individuals alike might get an itch to put liquid cash to work through investments. “Cash, though, is to a business as oxygen is to an individual: never thought about when it is present, the only thing in mind when it is absent,” Buffett said. “When bills come due, only cash is legal tender. Don’t leave home without it.” 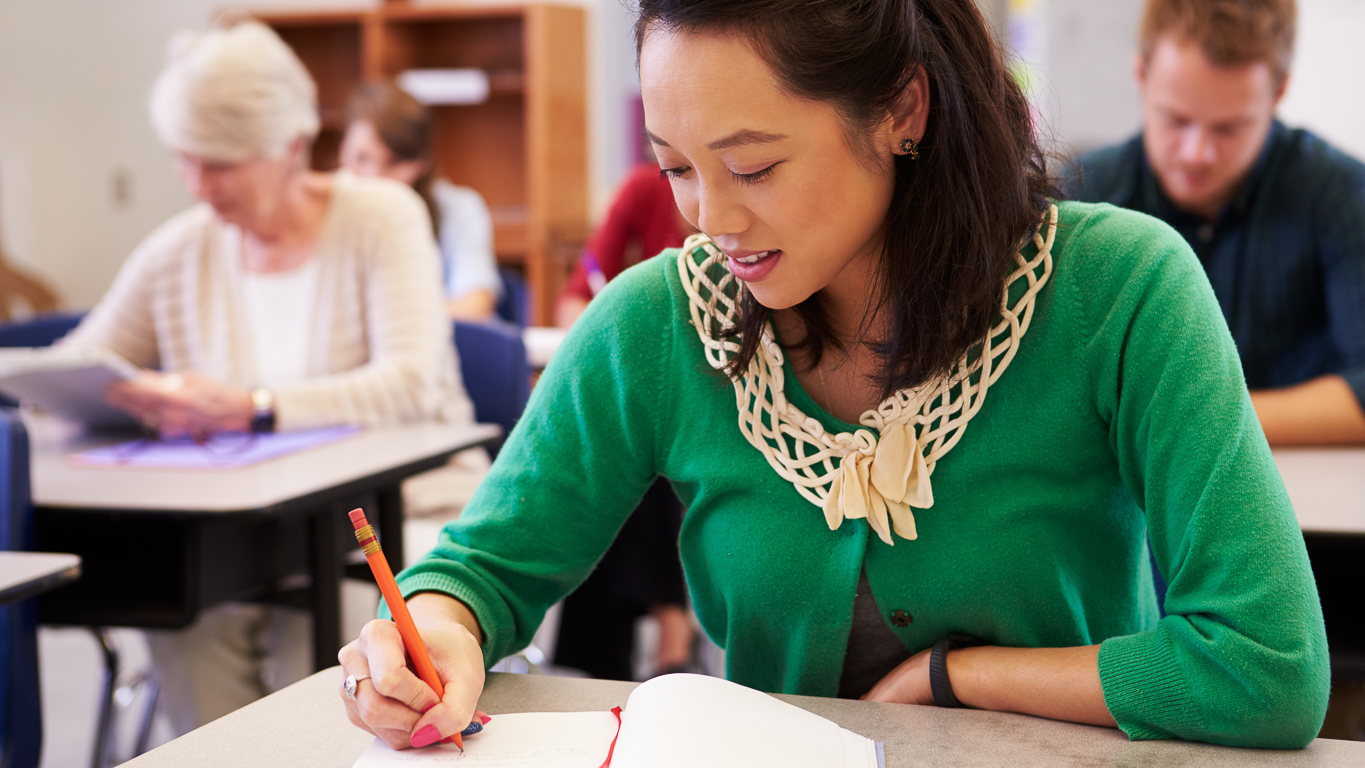 According to Inc.com, Buffett said, “Invest in as much of yourself as you can. You are your own biggest asset by far.” He echoed those sentiments in a CNBC interview when he said, “Anything you do to improve your own talents and make yourself more valuable will get paid off in terms of appropriate real purchasing power.”

Those returns are big, too. “Anything you invest in yourself, you get back tenfold,” Buffett said. And unlike other assets and investments, “nobody can tax it away; they can’t steal it from you.” 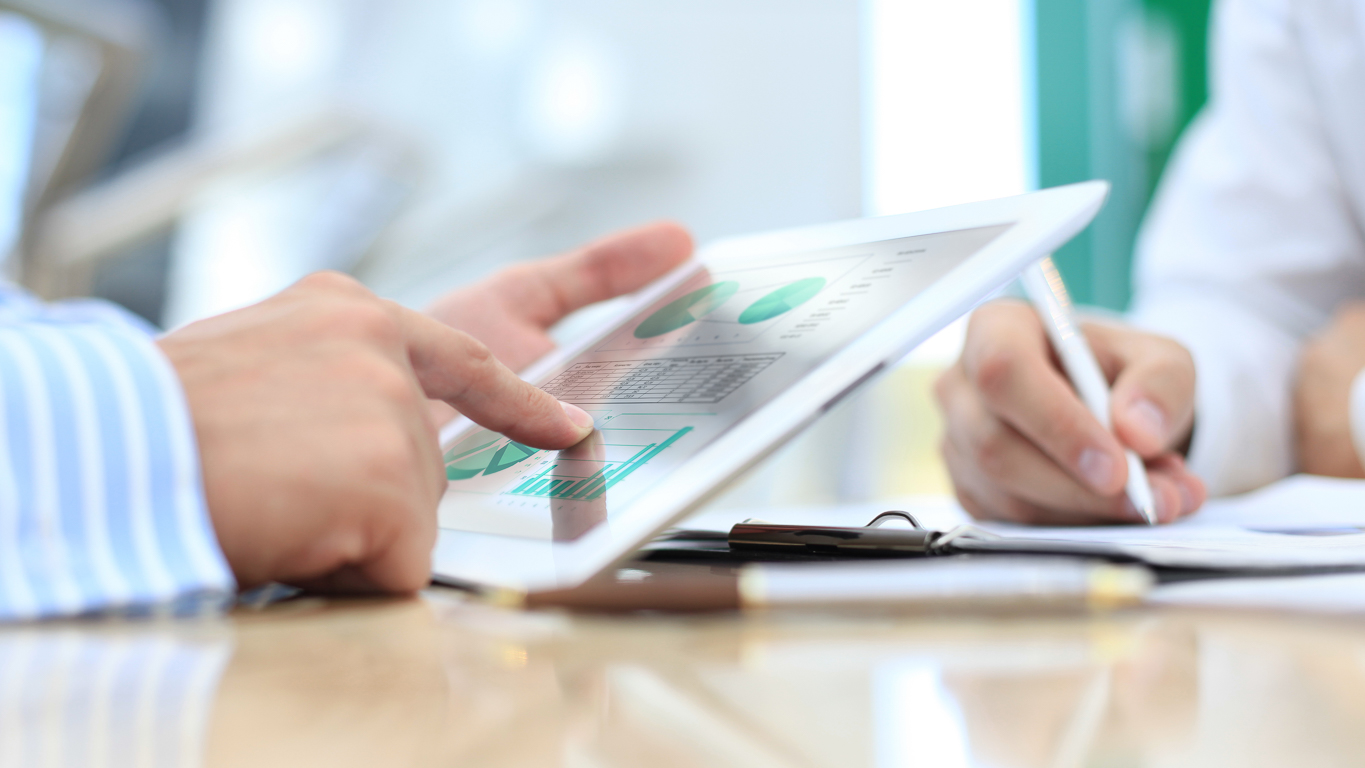 Part of investing in yourself should be learning more about managing money. As an investor, much of Buffett’s job consists of limiting exposure and minimizing risk. And “risk comes from not knowing what you’re doing,” Buffett once said, according to Forbes. The more you know about personal finance, the more security you’ll have as you minimize risks.

The lesson from this Buffett quote is to actively educate yourself about personal finance. As Charlie Munger — Buffett’s partner — put it, “Go to bed smarter than when you woke up.” 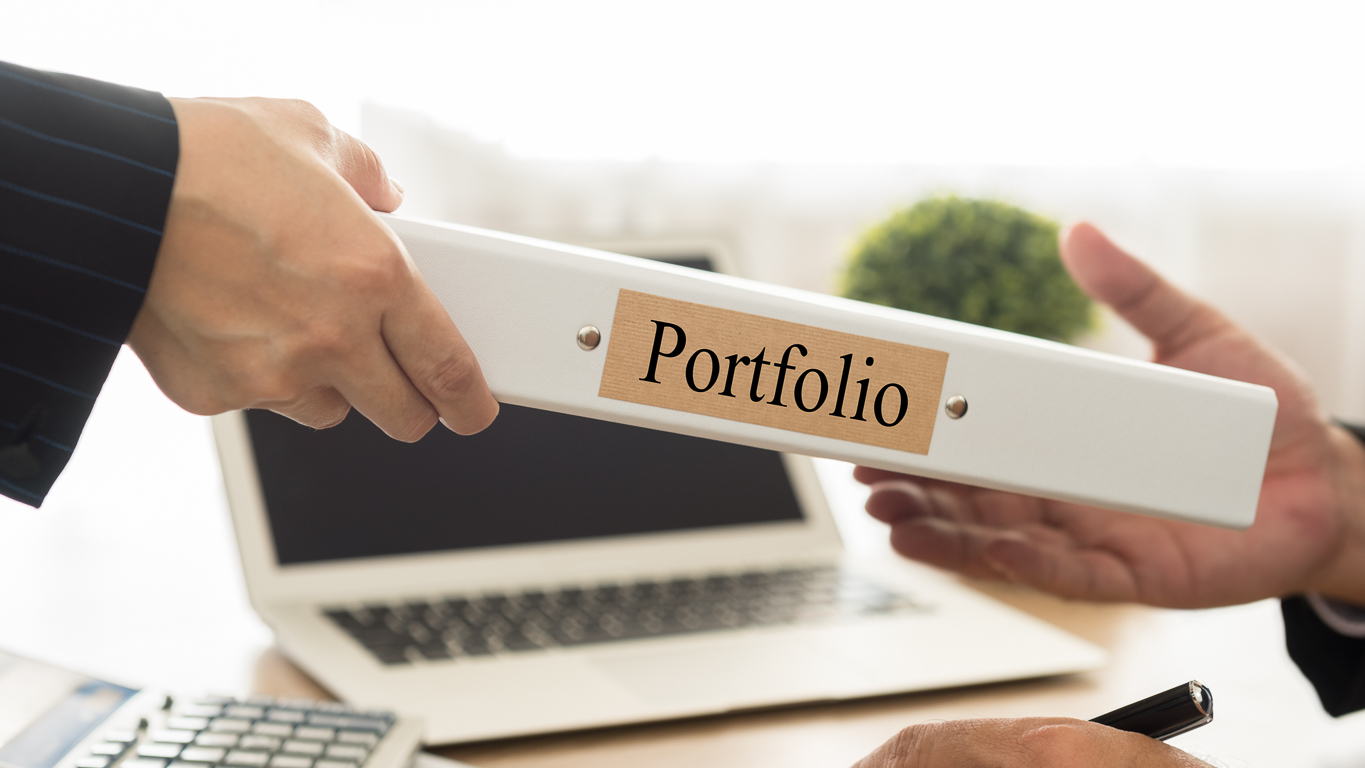 8. Trust a Low-Cost Index Fund for Your Portfolio

While much of Buffett’s wisdom and advice borders on the philosophical, he has also provided some actionable tips that nearly anyone can apply. For instance, Buffett urges the average investor to purchase index funds.

“Put 10 percent of the cash in short-term government bonds and 90 percent in a very low-cost S&P 500 index fund,” he wrote in his 2013 letter to Berkshire Hathaway shareholders.

Buffett has given this advice for years. “If you invested in a very low-cost index fund — where you don’t put the money in at one time, but average in over 10 years — you’ll do better than 90 percent of people who start investing at the same time,” Buffett said at the 2004 Berkshire Hathaway annual meeting. 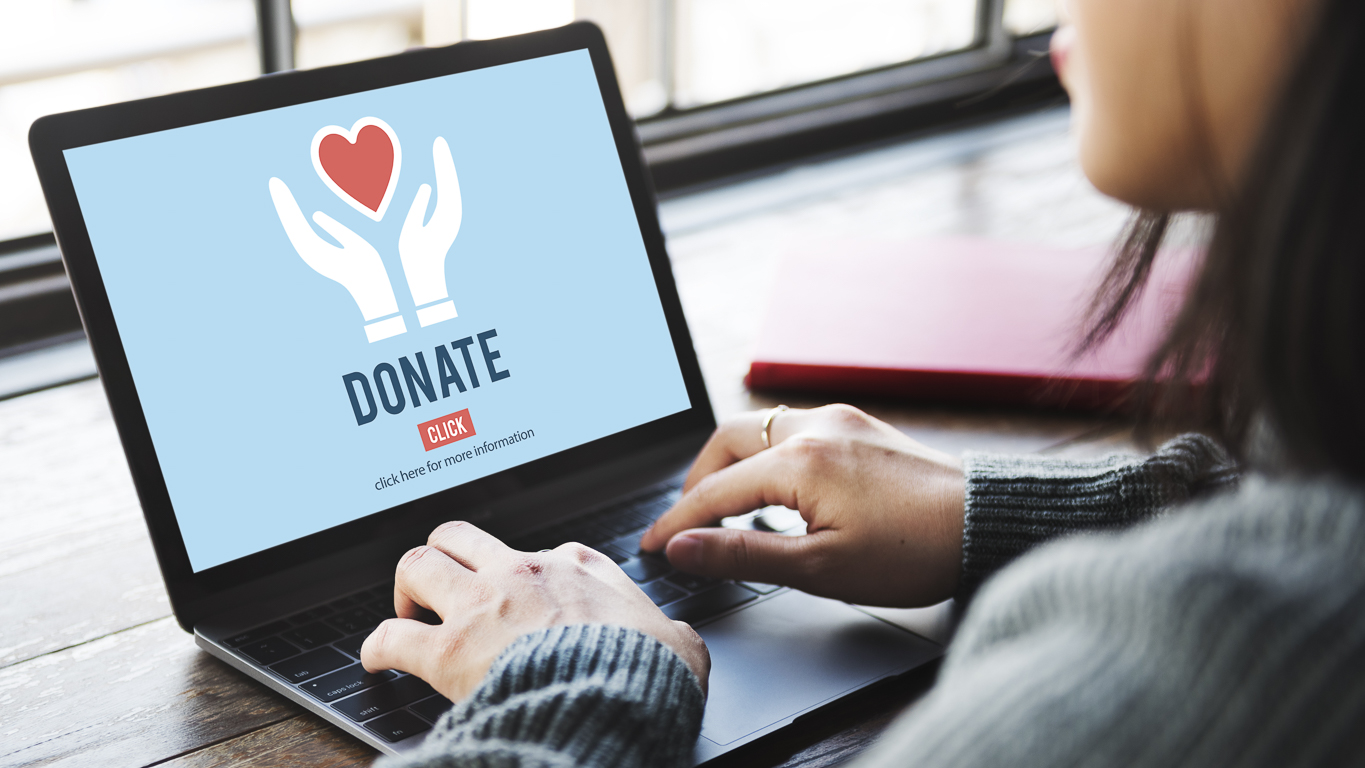 According to Forbes, Buffett once said, “If you’re in the luckiest 1 percent of humanity, you owe it to the rest of humanity to think about the other 99 percent.” And as a top member of that 1 percent himself, Buffett makes it a point to put his money where his mouth is.

Along with Microsoft co-founder Bill Gates, Buffett is a founder of The Giving Pledge, which is a promise made by more than 100 billionaires to give their fortunes away. While you might not be a billionaire, you can still enrich your life by giving back. 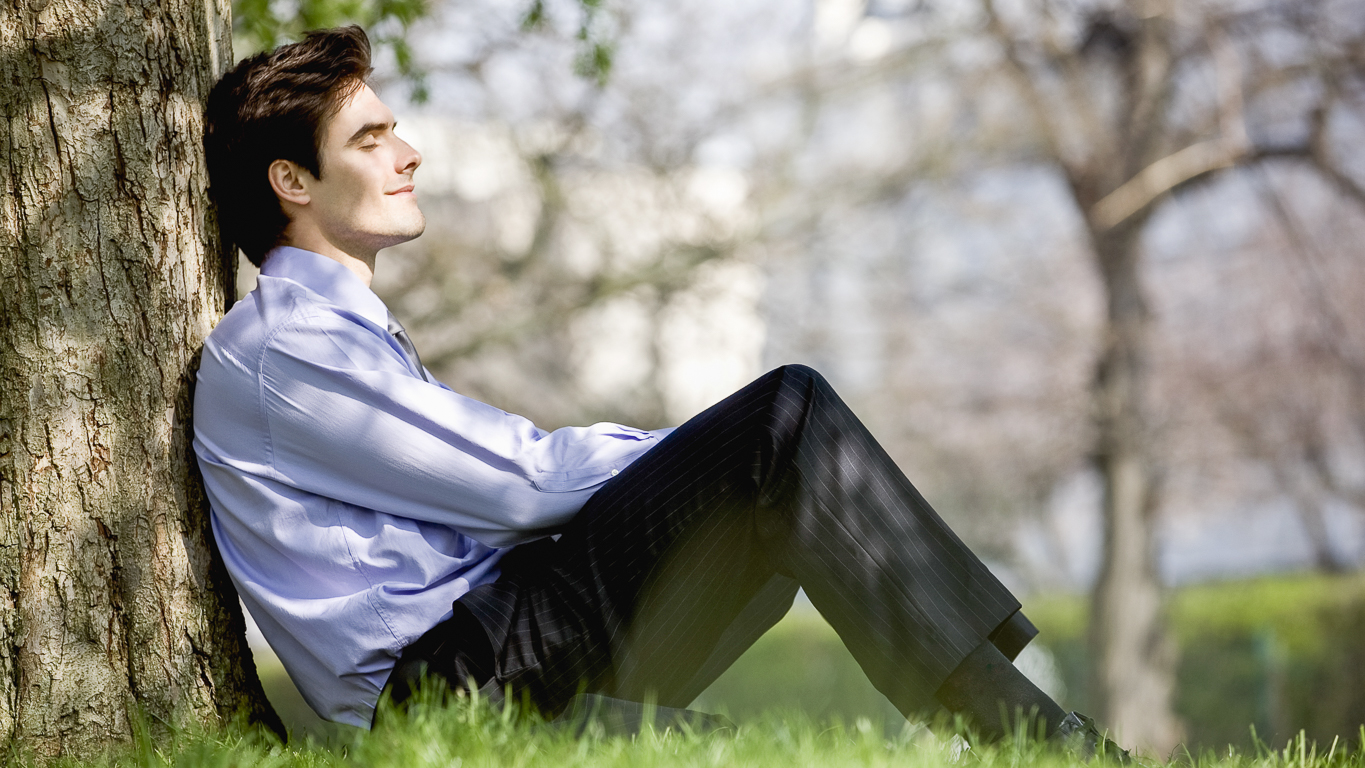 10. View Money as a Long-Term Game

Buffett once said, “Someone’s sitting in the shade today because someone planted a tree a long time ago.” And it’s true. Planting and nurturing the seeds of financial success now will lead to shade to enjoy later in life. That shade might include freedom from debts, a secure retirement or the ability to cover the cost of college for your children.

Such a long-term view of money is central to Buffett’s investing decisions. In his 2014 letter to shareholders, he said people should “invest with a multi-decade horizon … Their focus should remain fixed on attaining significant gains in purchasing power over their investing lifetime.” He urged investors not to focus on moments of stock market volatility or economic crisis.

Building true wealth and financial security takes time, and you’ll likely encounter financial challenges along the way. But viewing your finances as a lifelong endeavor can help you stay on course despite hardships. That gives you a financial foundation that will last.

Up Next: Warren Buffett, Mark Zuckerberg and Other Rich People Not Leaving Money to Their Kids