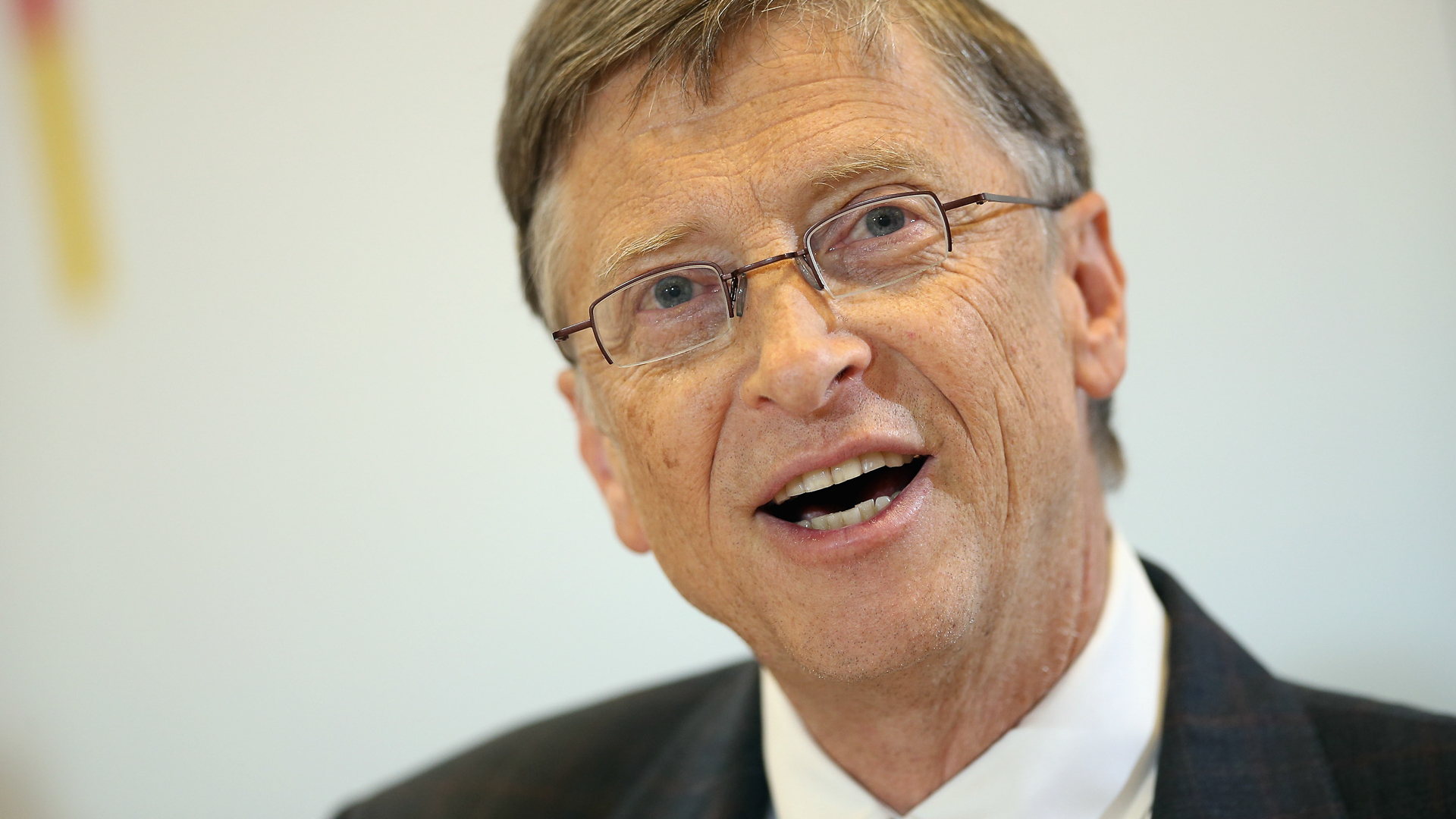 Once a young boy who enjoyed tinkering with computers, Bill Gates is one of the richest people in the world. According to Forbes, Bill Gates’ net worth is a staggering $87.6 billion as of May 2017.

Today, Gates seems more interested in donating his money to noble causes — like those supported by the Bill and Melinda Gates Foundation — than he is in acquiring more wealth. But budding entrepreneurs everywhere still want to know how the Microsoft co-founder amassed his fortune so that they might also join the Billionaires’ Club.

Here are just a few ways Bill Gates was able to become a massive success. 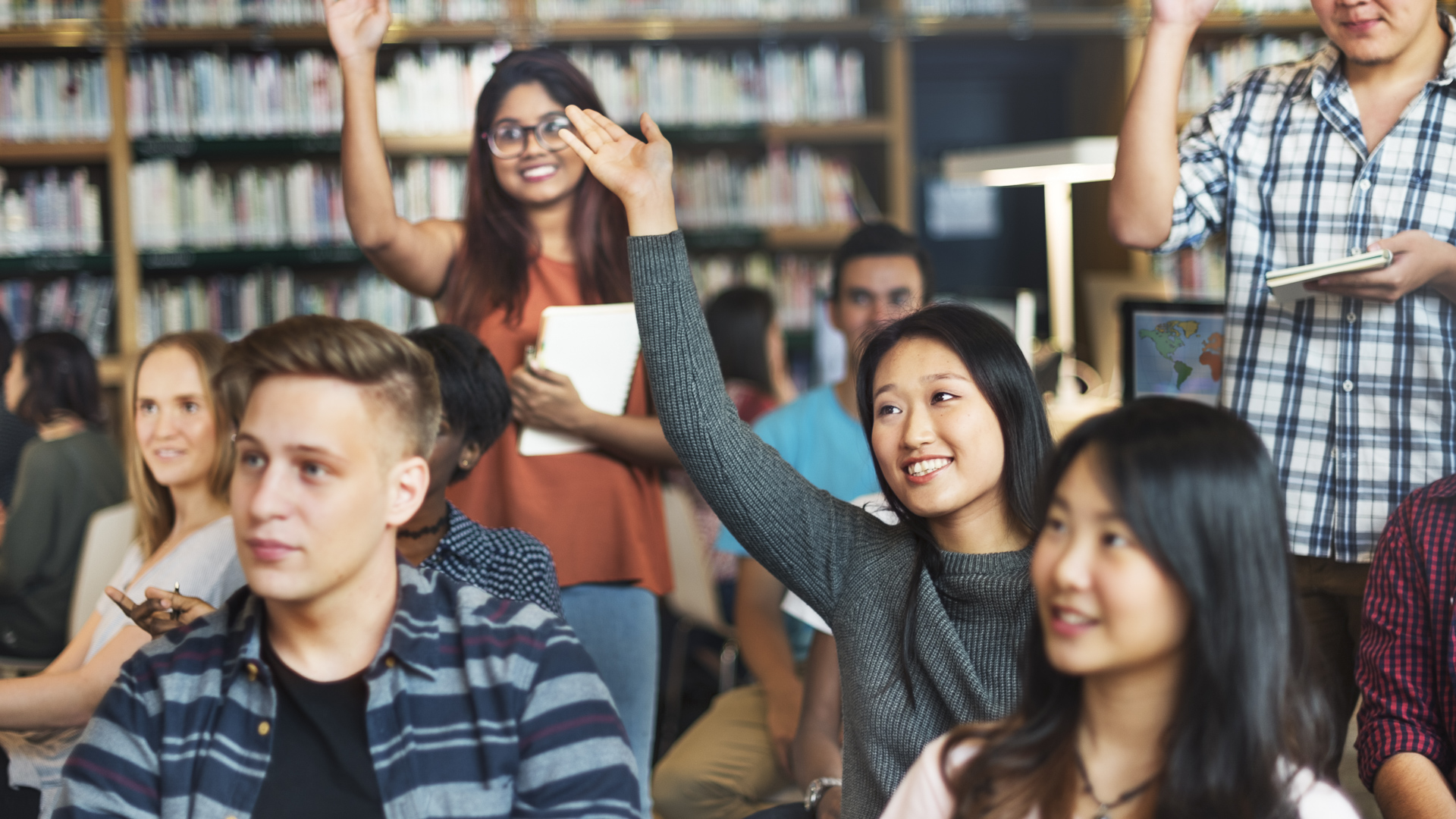 He Has a Thirst for Knowledge

Gates attended Harvard University only briefly before he dropped out of college, yet he attributes his time there to his success. “It was an amazing privilege [studying at Harvard], and though I left early, I was transformed by my years at Harvard, the friendships I made, and the ideas I worked on,” Gates said in a 2007 commencement speech.

Gates studied computers, but he also dabbled in many other subjects at the Ivy League that interested him. “Academic life was fascinating,” he said during the speech. “I used to sit in on lots of classes I hadn’t even signed up for.” This thirst for knowledge and his willingness to always improve and learn contributed to the growth of his eventual business.

Check Out: How Much Is Microsoft Worth? 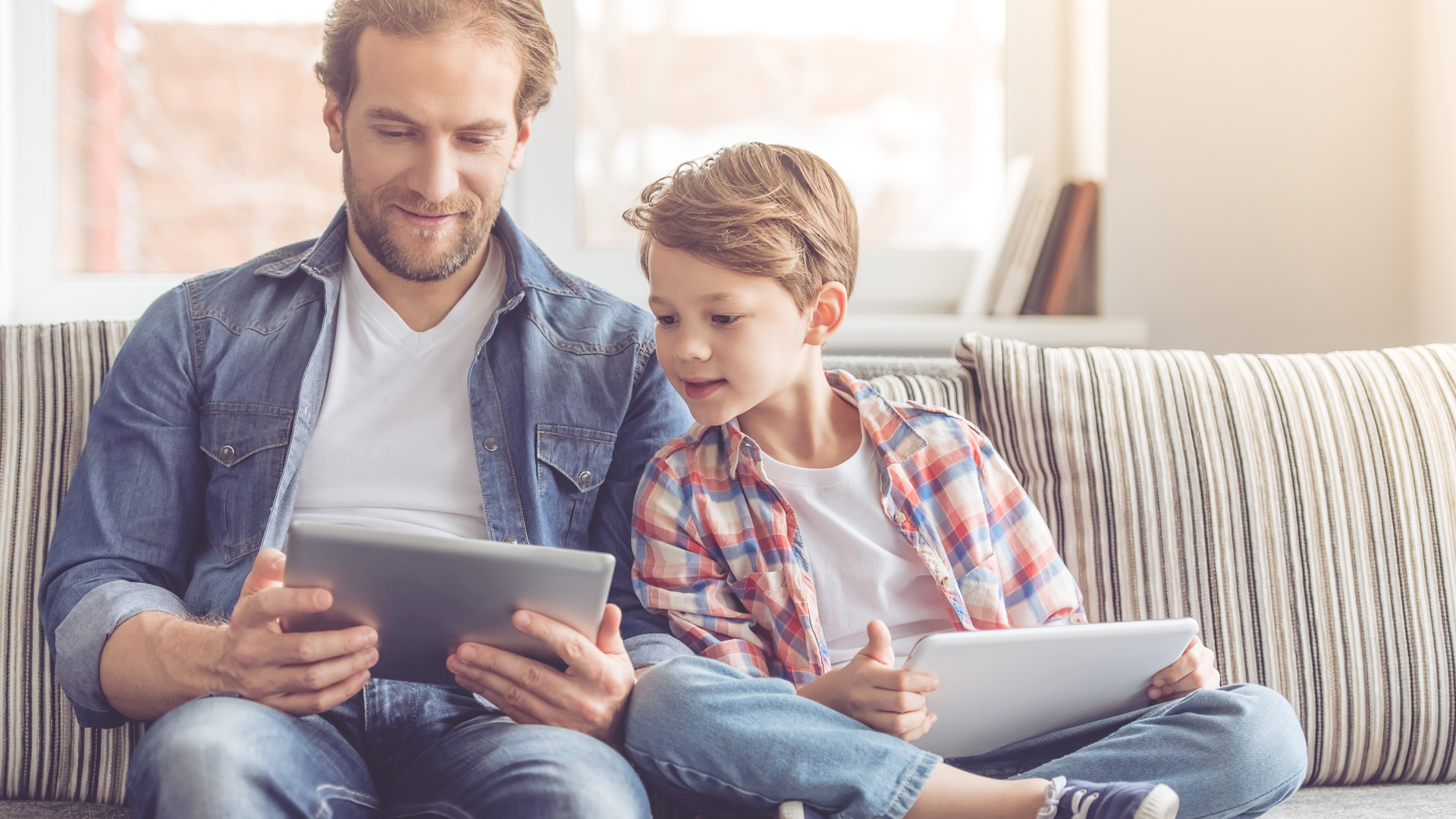 His Parents Were Supportive

When asked in 1998 about his role models, Gates said he looked up to his parents. “I had great parents, both of whom were involved in lots of interesting activities and would come home and talk to us about the world of business or law or politics or the charitable activities they were involved in,” he said.

Gates’ parents nurtured and supported his interest in computers as well — even after he decided to abandon his Harvard education. Gates’ father, Bill Gates Sr., told Forbes that his son’s decision to drop out of college “wasn’t precisely what my wife and I had envisioned for any of our children.”

However, Gates’ parents were extremely supportive of his endeavors since then. After Gates’ mother died in 1994, The New York Times reported that she had helped her son “get the contract that led to a lucrative relationship with IBM for his fledgling Microsoft Corporation.”

Bill Gates Sr. is actively involved in his son’s philanthropic work. He even wrote the first check for Gates’ charitable foundation. 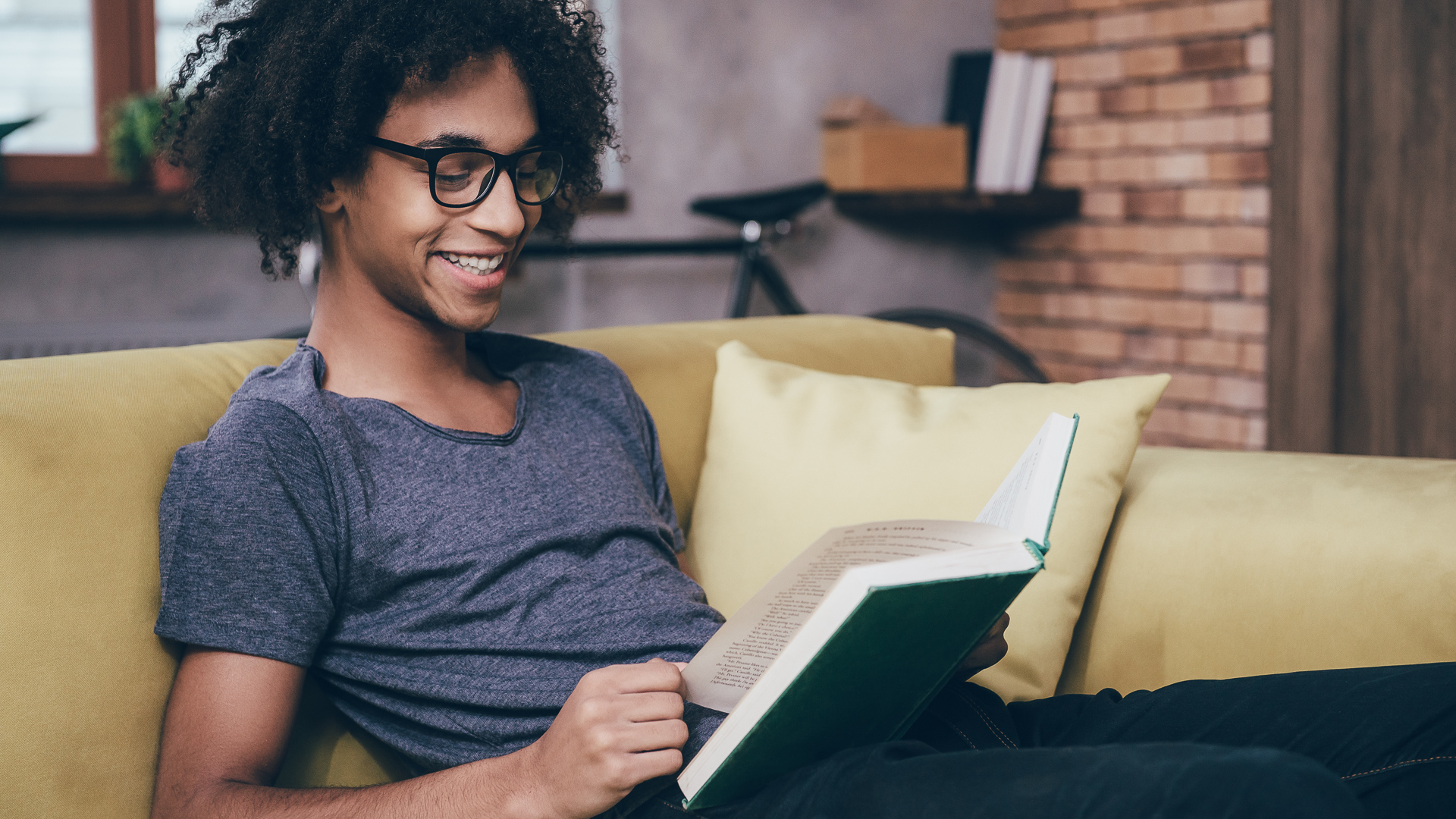 He Reads a Lot

In the Forbes interview, Gates’ father also said his son was an incredibly avid reader as a child. “Just about every kind of book interested him — encyclopedias, science fiction, you name it,” he said. “I was thrilled that my child was such an avid reader, but he read so much that Bill’s mother and I had to institute a rule: no books at the dinner table.”

Gates has maintained his love of reading throughout his life. He even has his own blog where he frequently recommends books to his readers.

Reading likely contributed to Bill Gates’ net worth, as it helped provide him with the knowledge he would need to become a successful entrepreneur. 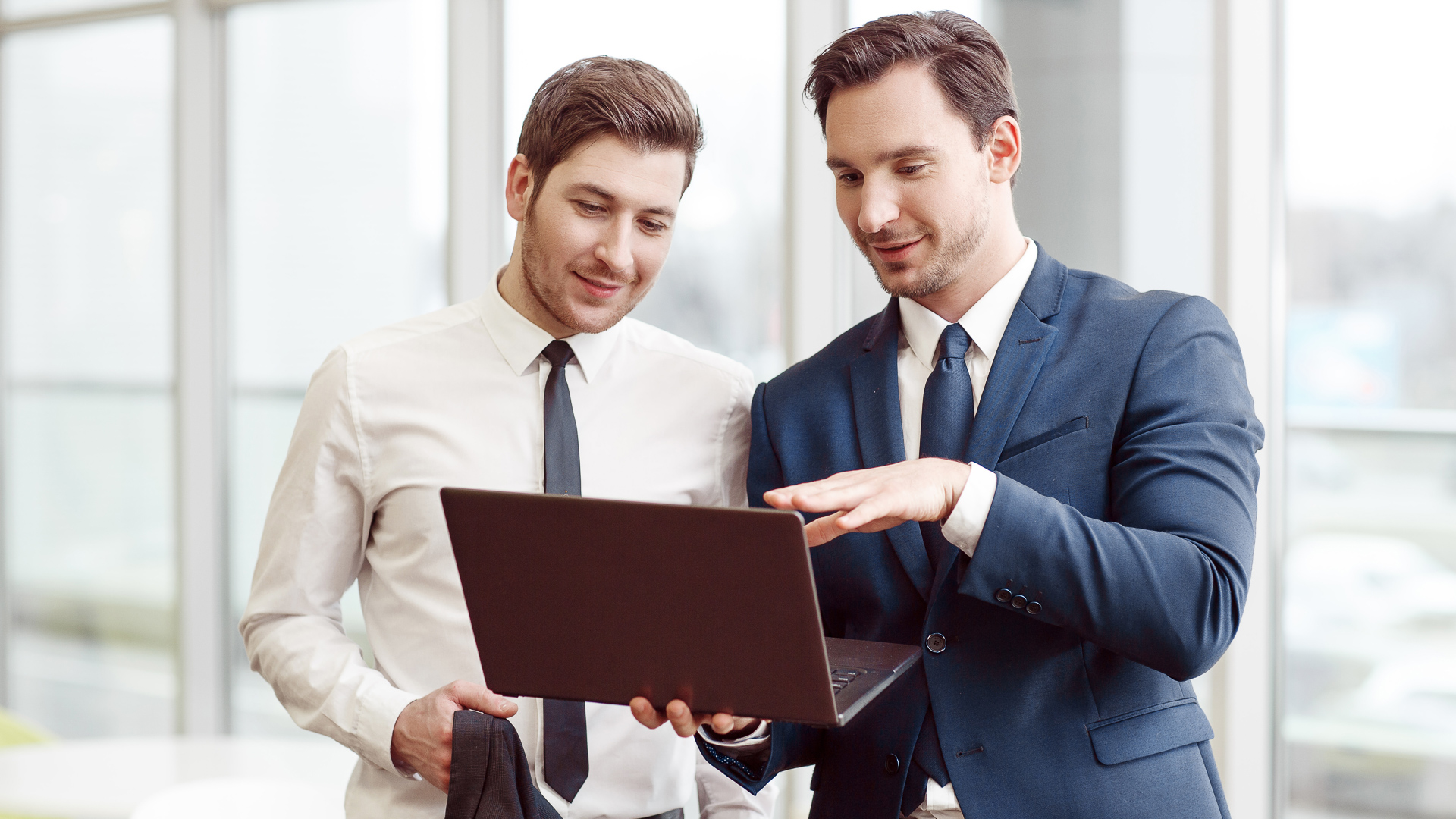 He Chose a Great Business Partner

Gates has made countless brilliant business decisions in his lifetime, many of which have involved the people he chooses to work with. “I’d say my best business decisions really have to do with picking people,” Gates said in the 1998 interview. “Deciding to go into partnership with Paul Allen is probably at the top of the list.”

A childhood friend of Gates, Paul Allen — who has a net worth of $20 billion, according to Forbes — is the co-founder of Microsoft. Throughout the years, Gates and Allen have had a “complex relationship,” as outlined in Allen’s book, “Idea Man: A Memoir by the Cofounder of Microsoft.” However, Gates attributes Microsoft’s early success to his partnership with Allen and the many lessons they learned along the way. 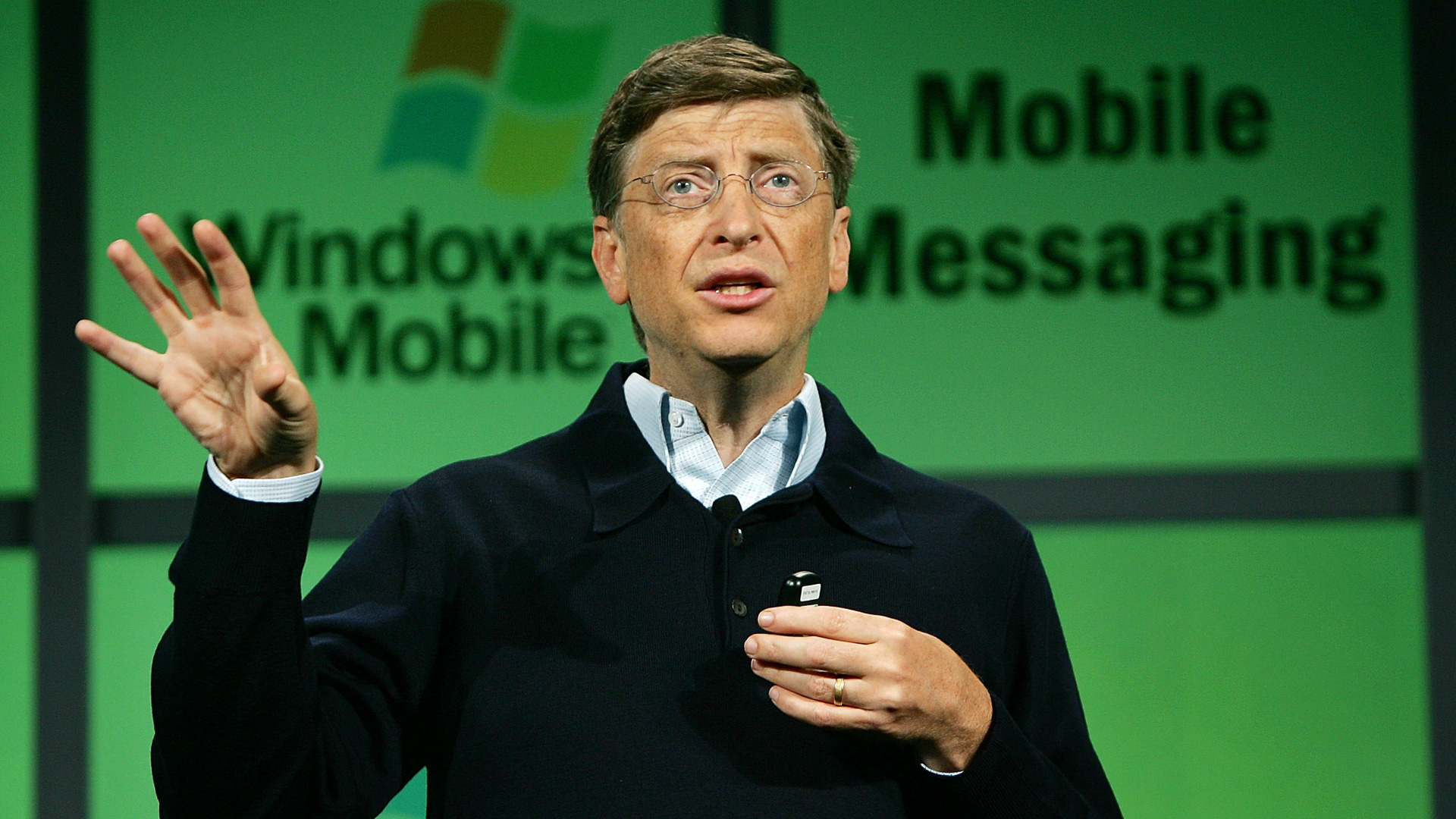 He Stayed Confident in His Dream and Vision

Gates was fortunate to attend an elite private school in Seattle that gave him access to computers when he was in the 7th grade. And instead of just teaching the students how to use computers in the “conventional sense,” Gates said the school “unleashed” them. Looking back, Gates said his experiences at the school gave him the encouragement he needed to do the impossible.

“The experience and insight Paul Allen and I gained here gave us the confidence to start a company based on this wild idea that nobody else agreed with — that computer chips were going to become so powerful that computers and software would become a tool that would be on every desk and in every home,” said Gates in a 2005 speech at his old school. 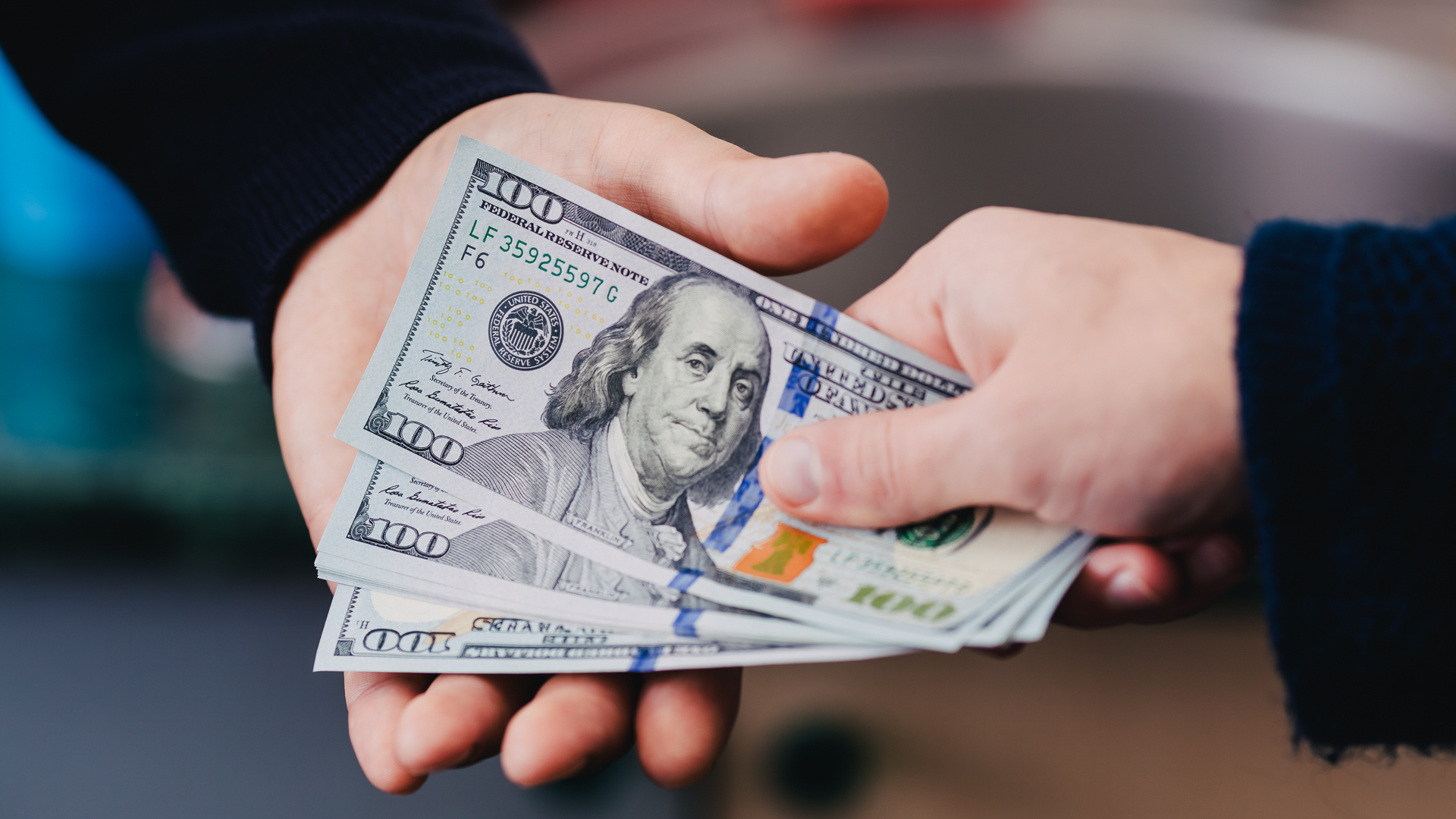 He Had an Emergency Fund for Microsoft

Gates learned early on that in order to be successful, he had to amass a large emergency fund for Microsoft, which would keep the business afloat if it ever encountered financial obstacles.

“I got this incredibly conservative approach that I wanted to have enough money in the bank to pay a year’s worth of payroll even if we didn’t get any payments coming in, and I’m almost true to that the whole time,” he said during the 1998 interview. “We have almost $10 billion now, which is pretty much enough for the next year.” 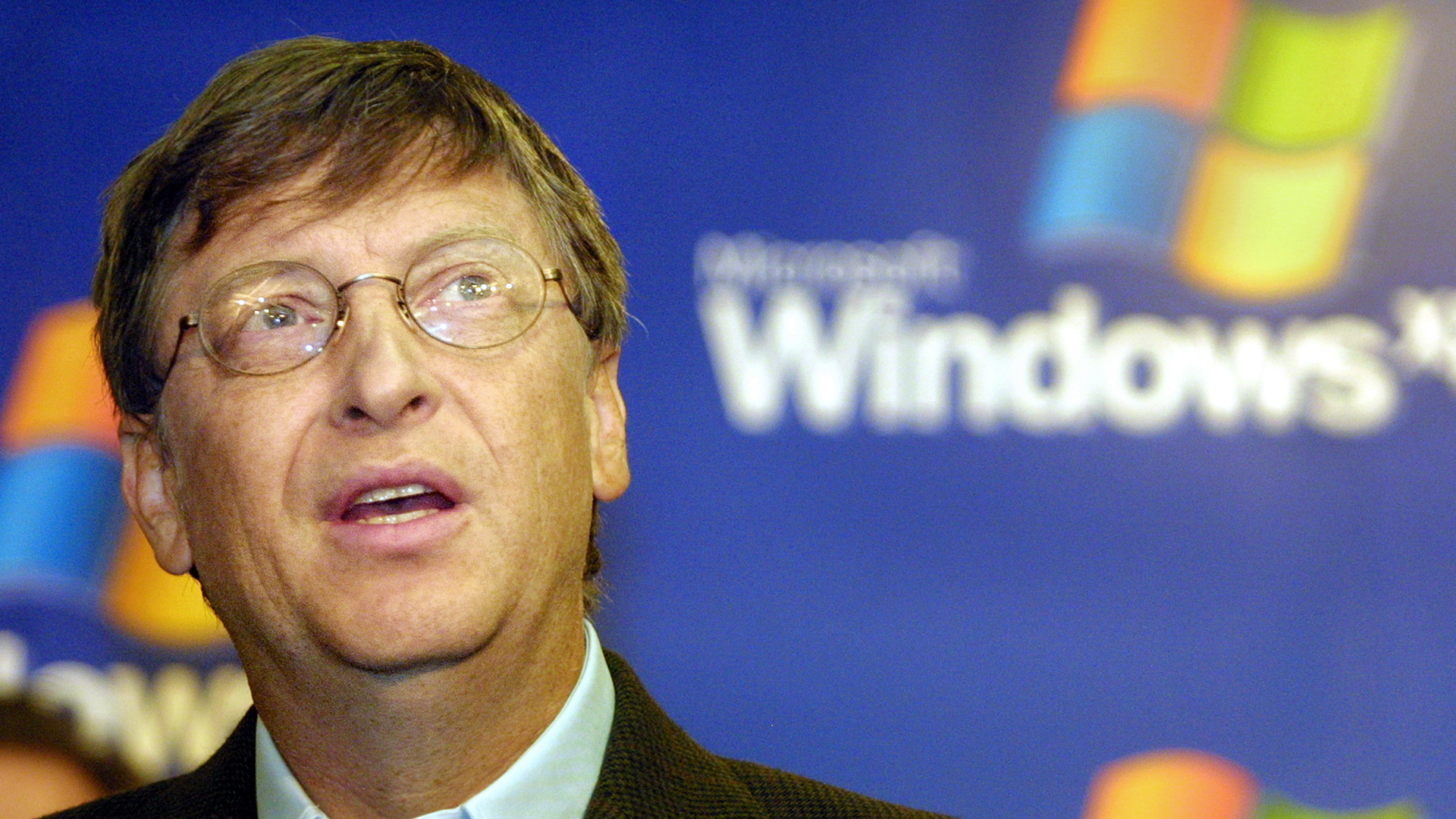 He Learned From His Mistakes With Microsoft

Everyone makes mistakes, including Gates. The key, however, is to learn from those mistakes, and that’s exactly what Gates does.

In a 2008 BBC interview where he talked about how Microsoft was able to beat out competitors, Gates said, “Our products were successful enough that even when we did make a mistake — when we hired the wrong person or organized things the wrong way — we were frank enough with ourselves to say, ‘Oops, this isn’t working.’ And yet, my conservative balance sheet approach meant that for all the mistakes we made, we had a chance to learn from them and do different things.”

This ability to be creative, work with his team and have a big enough cash cushion to continuously grow and try new things contributed greatly to Microsoft’s success and, eventually, Gates’ fortune.

See: Here’s What Bill Gates Says You Should Do With Your Money 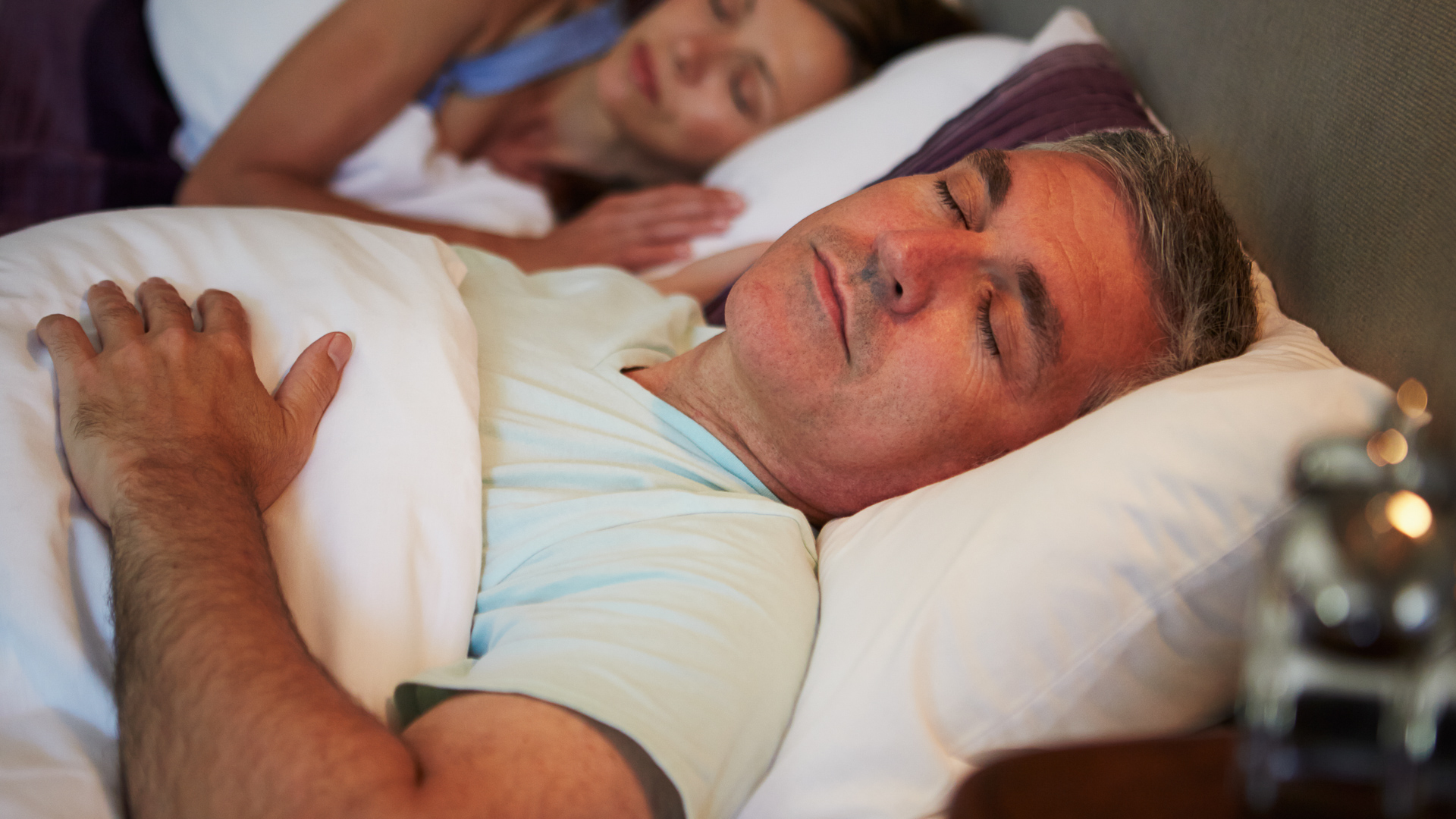 He Gets Seven Hours of Sleep

Although many successful businessmen like to brag about how little sleep they get, Gates is the opposite. He knows he’s not superhuman and that sleep is required for his intellectual curiosity to really be at its best.

“I like to get seven hours of sleep,” he told the Seattle Times in 1990. “Even though it’s fun to stay up all night — maybe taking a red-eye flight — if I have to be creative, I need seven hours. I can give a speech without much sleep; I can do parts of my job that way. But in thinking creatively — I’m not much good without seven hours.” 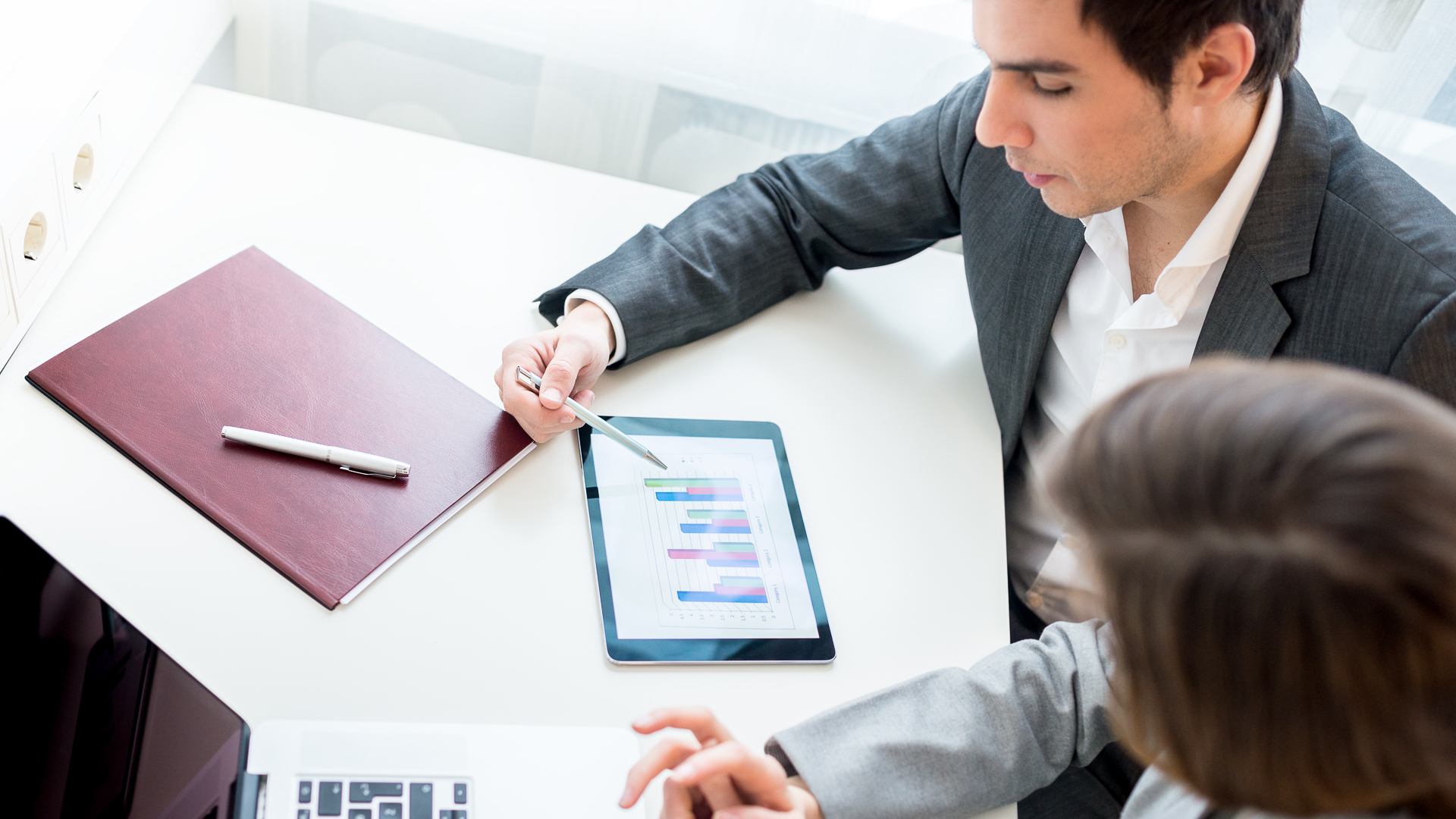 He Has a Good Money Manager

When it comes to choosing a financial advisor, Gates certainly knows how to pick ’em. His money manager, Michael Larson, is largely responsible for growing Gates’ fortune.

Business Insider reported in 2014 that Gates hired Larson more than two decades ago — when his net worth was only $5 billion — to run his personal investment company, Cascade Investment, LLC. According to Business Insider, Gates is “getting richer faster than he can give his money away” thanks to Larson.

Check Out: Warren Buffett, Mark Zuckerberg and Other Rich People Not Leaving Money to Their Kids 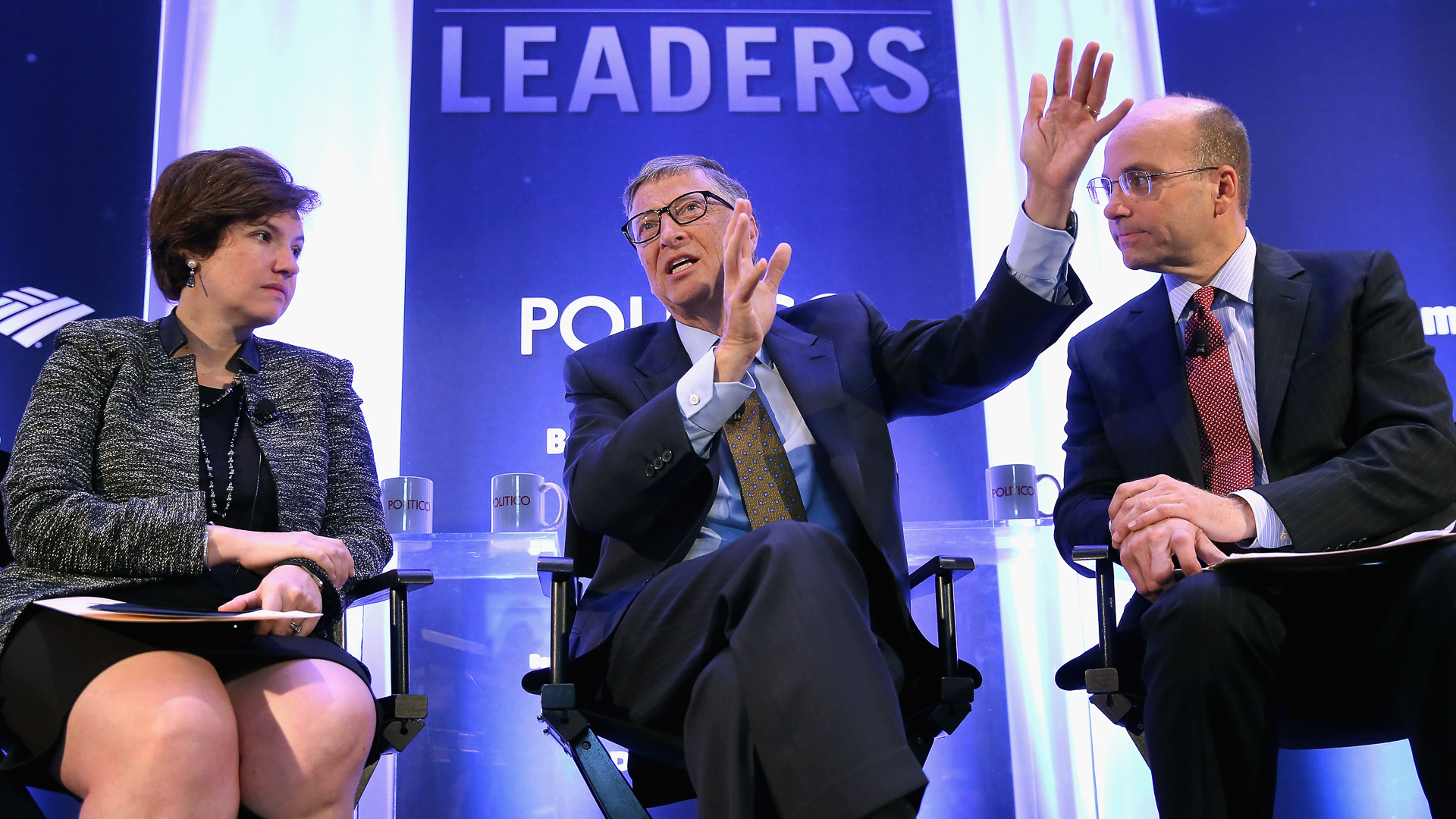 He Has Remained Passionate About His Work

As many entrepreneurs have said, you must love what you do if you hope to be successful. Gates fell in love with computers as a child and spent a lifetime building one of the most successful businesses in the world.

“You’ve got to enjoy what you do every day, and for me that’s working with very smart people,” said Gates in 1998. “It’s working on new problems … The competition, the breakthroughs, the research make the field I’m in, I think, the most exciting field there is.”

While he left his day-to-day role at Microsoft nearly a decade ago, Gates serves as Microsoft’s chairman of the board and owns 2.3 percent of the company, according to Forbes. He has also thrown himself fully into philanthropic work.

Next Up: Motivational Quotes to Help You Get Rich