16 CEOs Who Say Parenthood Made Them Better Leaders 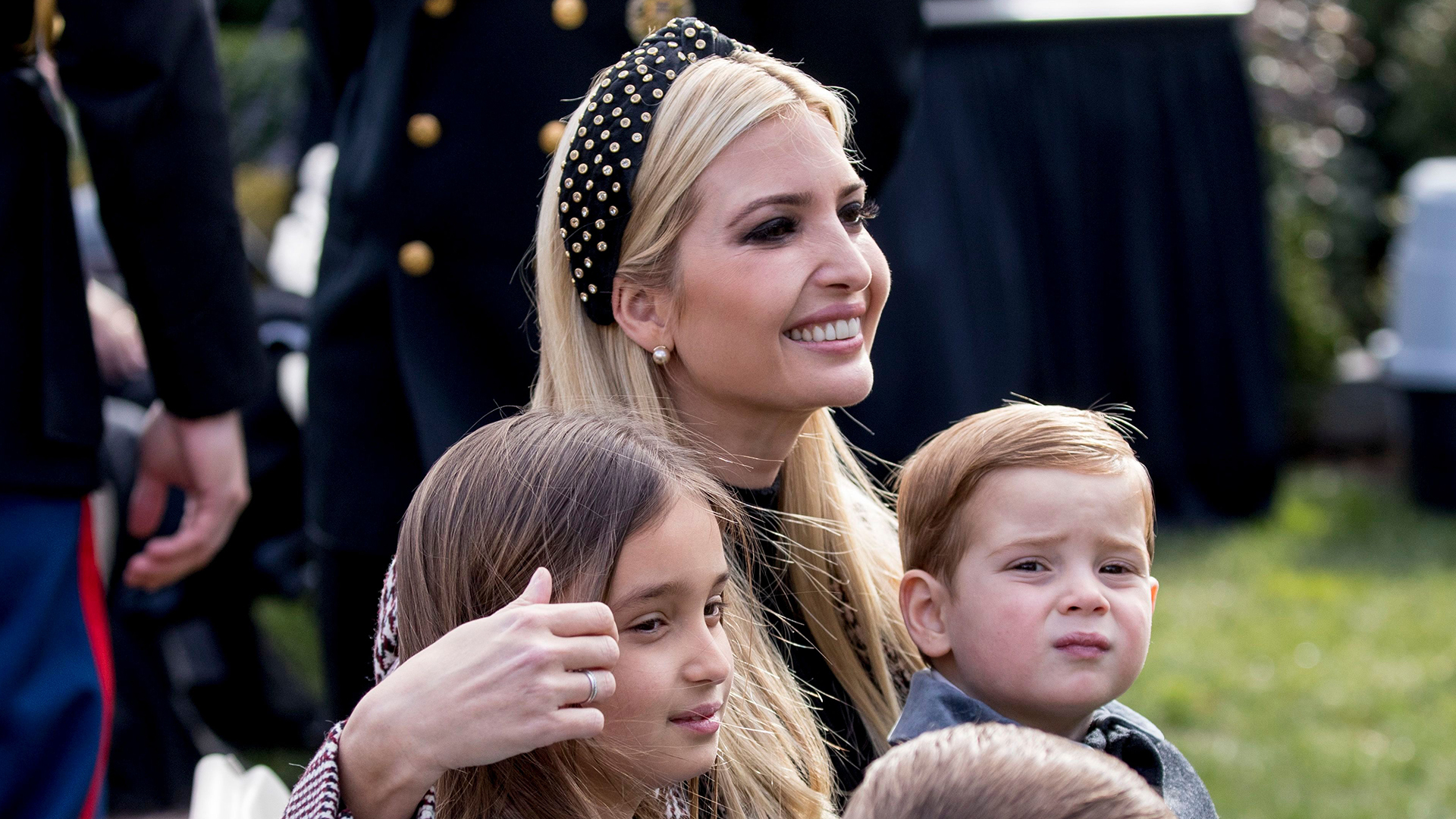 Some people say that when you become a CEO, you’ve reached the pinnacle of your career — you have it all. But the fancy title often comes at a cost: It gets harder and harder to juggle your professional and personal life.

That doesn’t mean it can’t be done, however. Managing careers and families has become a specific skill set for CEOs across the world. And for some, being parents has actually helped them in their professional lives. Here’s a look at the folks — male and female CEOs alike — who have used their experience as parents to become more effective leaders. 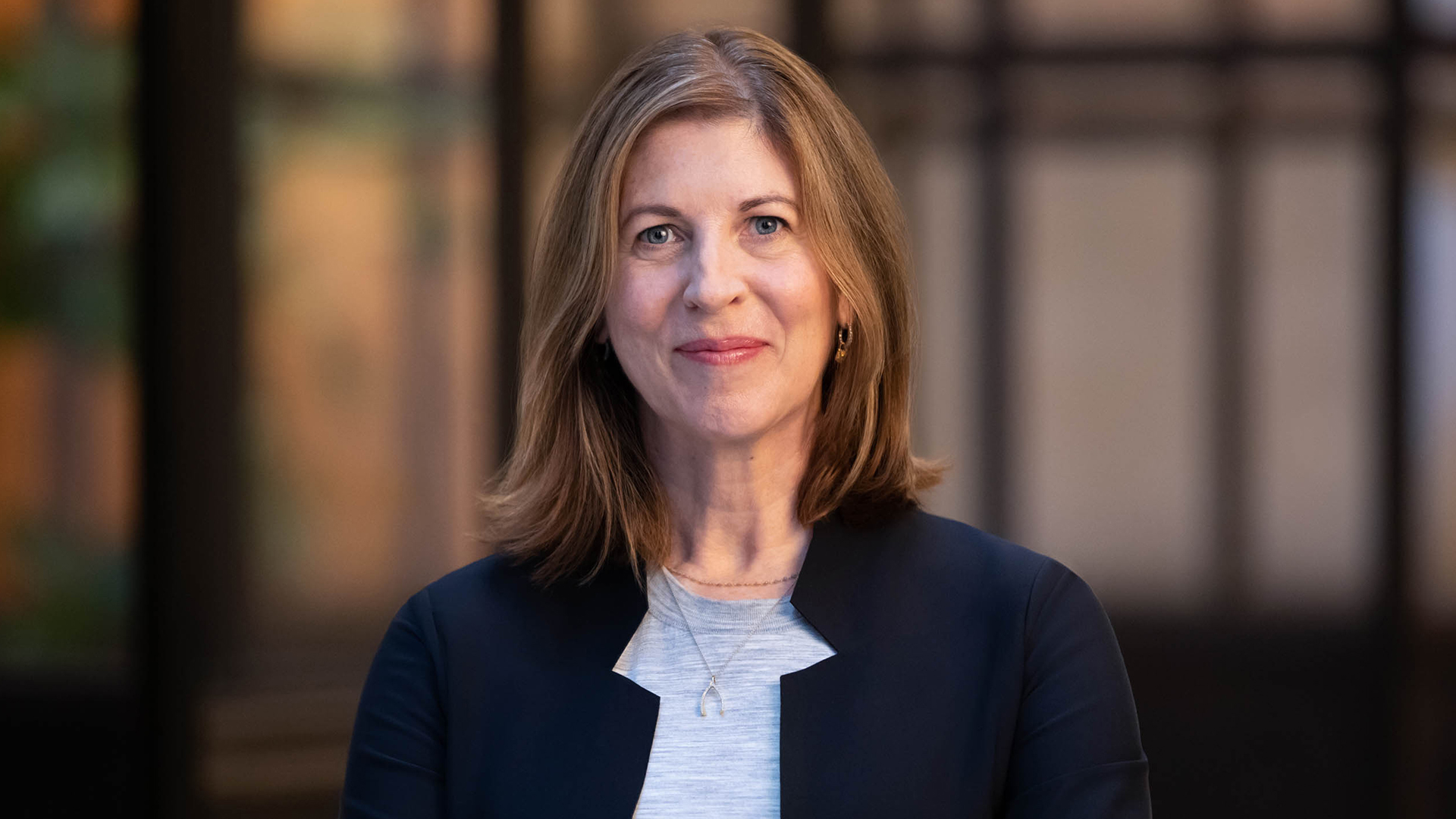 Nancy Green, CEO and president of lifestyle clothing brand Athleta, told CNN Money that her parenting skills and interpersonal skills at work are closely tied. “I saw this really very clearly with four children, that not everything works the same way with each child, and acknowledging that every person, whether it’s your child or people that you work with, everybody’s very different and they respond to development differently,” Green said. Keeping that very mindset helps her know “how to nurture and develop a person’s potential.” 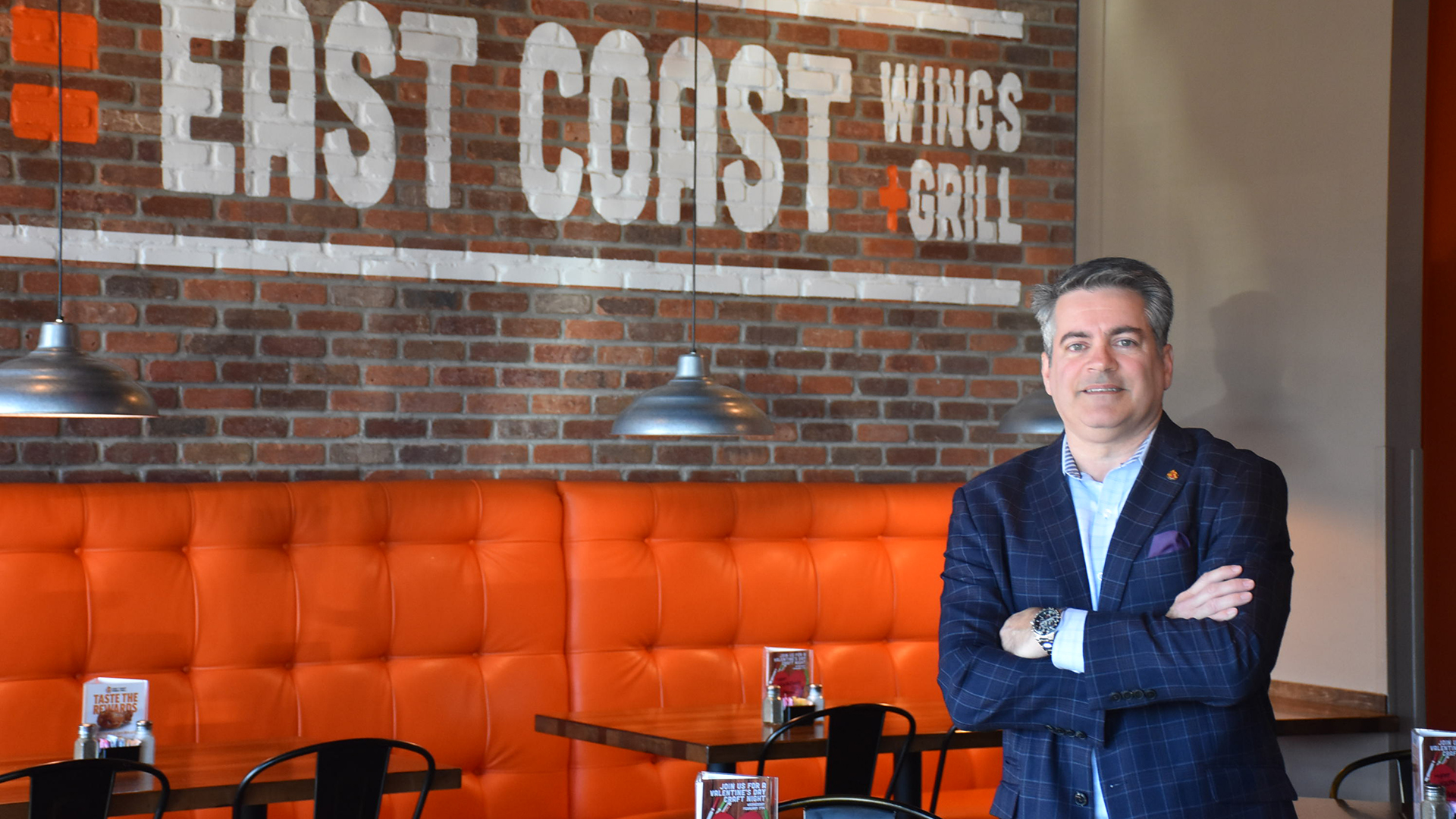 Sam Ballas, CEO of restaurant franchise East Coast Wings, knows that cutting through the noise is key in both leadership and parenting. “Parenting has taught me the importance of managing ‘selective hearing’ or the ability to sort through the noise to find a suitable path for clarity, transparency that is in line with meeting our goals,” said Ballas in a 2016 interview with Inc. “Managing selective hearing is in my top five of attributes which have crossed over from parenting into my business leadership best practices.” 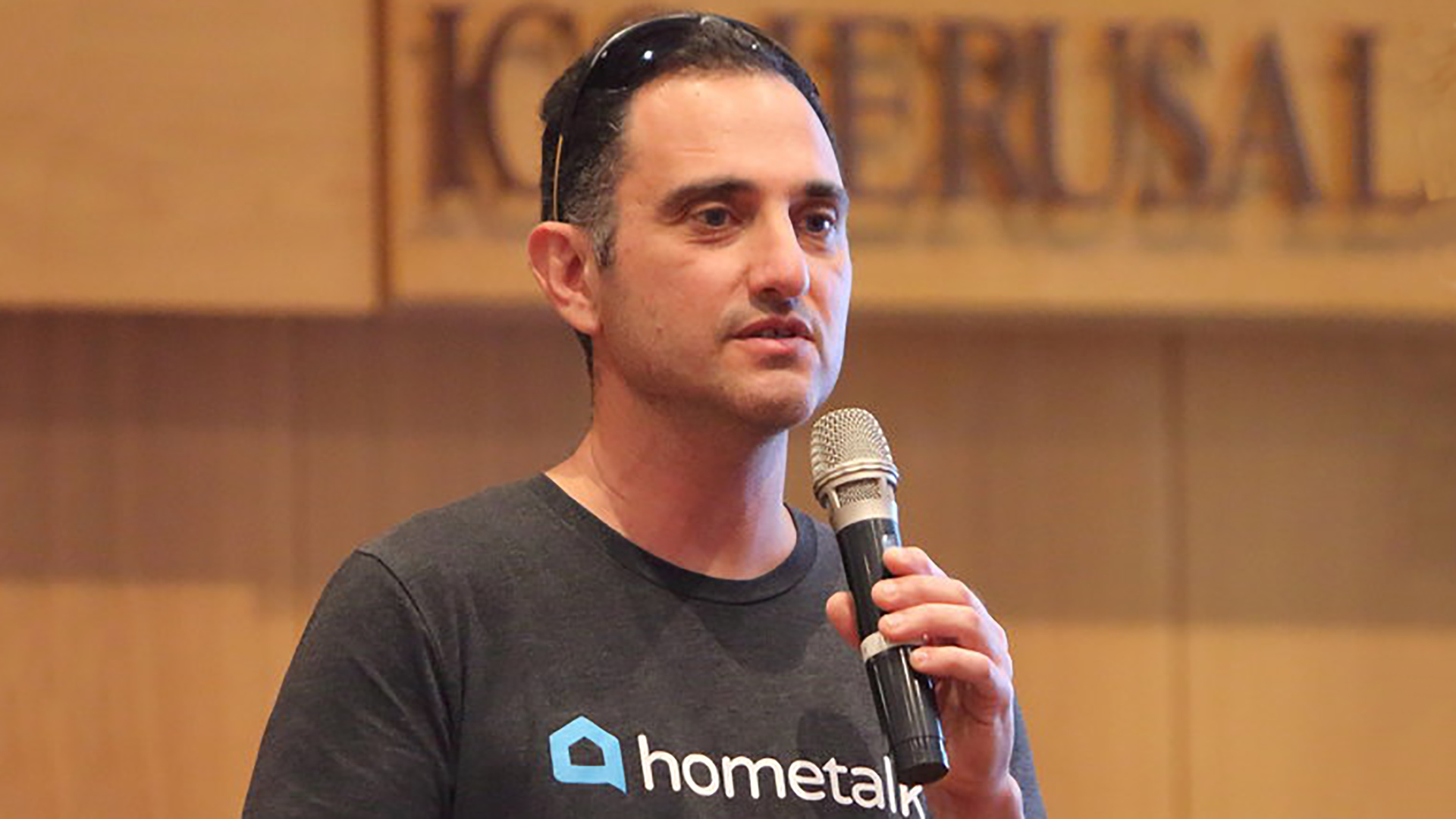 Yaron Ben-Shaul, the founder of Hometalk, an online platform that enables people to improve their living spaces through DIY projects, told Inc. in a 2016 interview that fatherhood made him a more compassionate leader. “Before becoming a father, I was adamantly focused on numbers and bottom line performance when measuring the success of a project of an employee. I was in-tune with the personal side of the business, but I wasn’t as inherently compelled by it. After I became a dad, I gained a level of sensitivity, which hadn’t been as familiar to me before. It opened up an entirely new way of relating to my employees, my customers and the entire ecosystem of the business.” 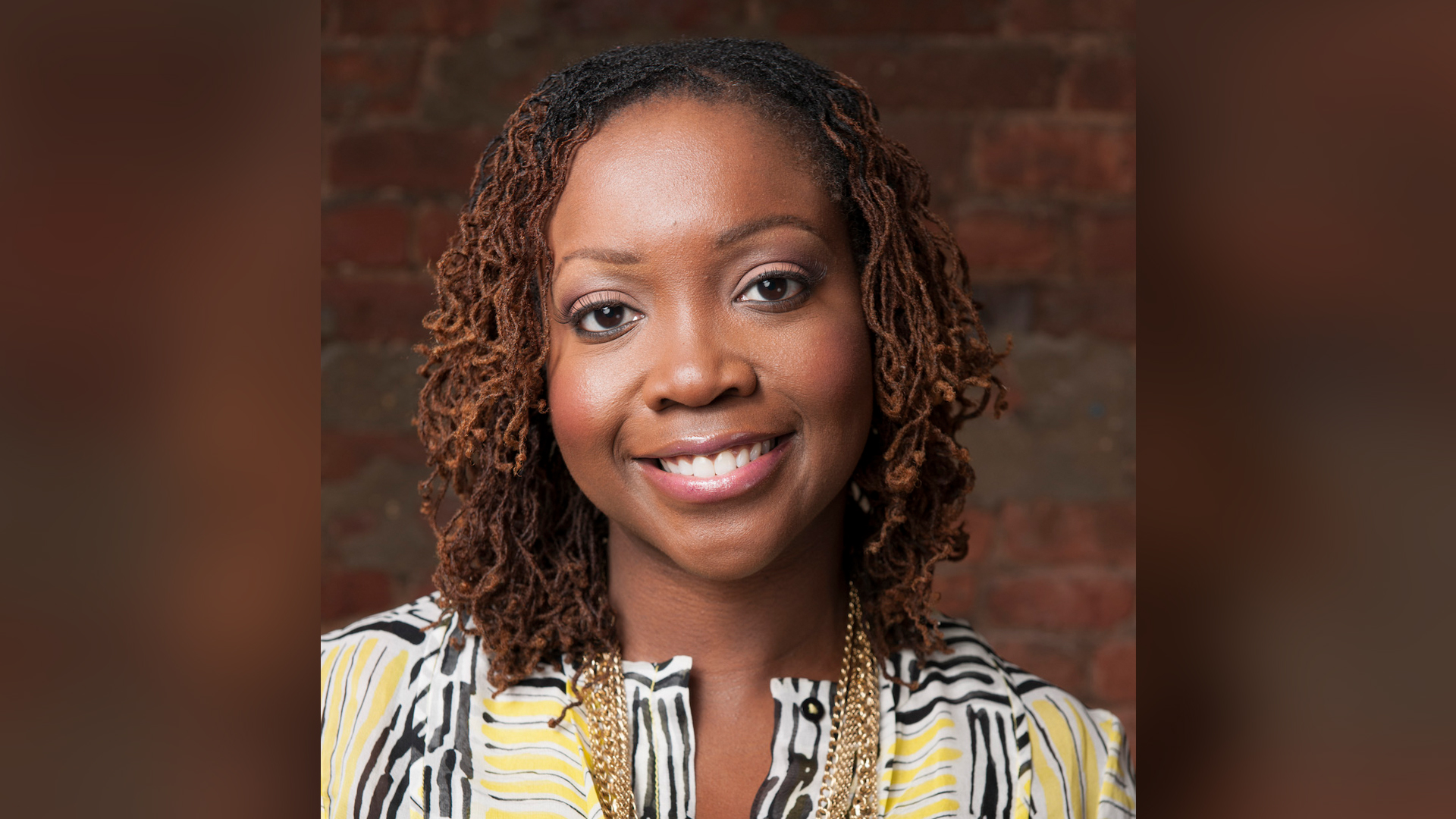 Founder and CEO of Greenhouse Eco-Cleaning, Saudia Davis, wrote in a HuffPost article that becoming a mother taught her how to handle unexpected events at work. “As a parent, especially a new parent, you quickly realize that spontaneous moments — or surprises — are part of the game and will most definitely arrive when your schedule is tight and your sleep is a bit deprived,” she said. Greenhouse Eco-Cleaning is an environmentally friendly cleaning service that develops green cleaning products. She went on to explain that keeping calm allows you to make better decisions. “You always have two choices in how to respond to such moments: cool as a cucumber or troubled as a turnip.” 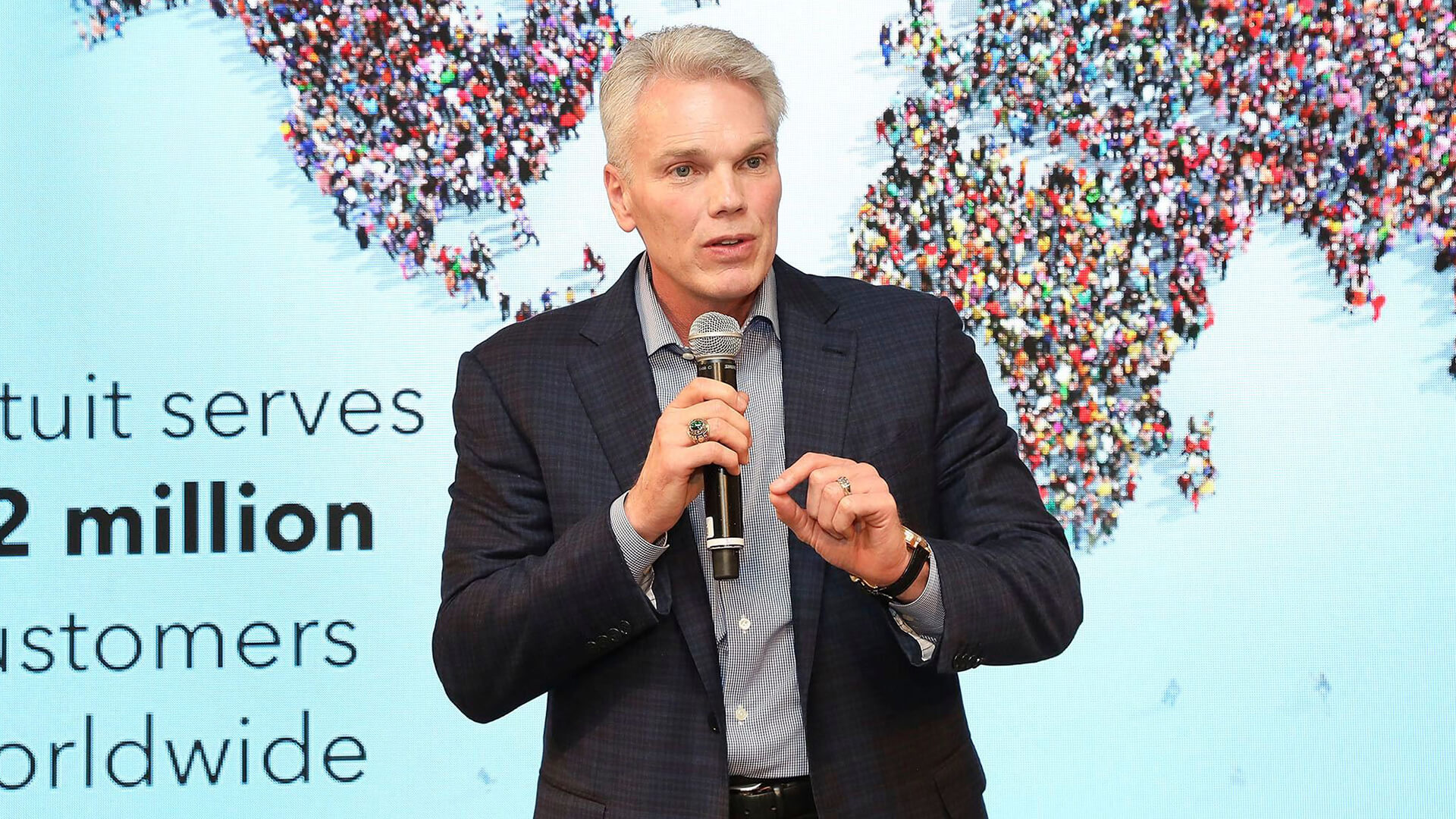 As the former CEO and current executive chairman of Intuit, Brad Smith believes that sometimes you have to let people fail to ultimately see them succeed. He learned this as a father of two. “Sometimes experience is the best teacher,” Smith said in an article on LinkedIn. “Take jumping on the bed as an example. When my kids were younger, I could see that it was not safe. Yet no matter how many times we warned our daughters, it wasn’t until one of them bumped into the headboard that they actually changed their behavior. The underlying lesson can also be true for people on your team. Sometimes people learn best by doing, even if it means they must fail in order to learn.” 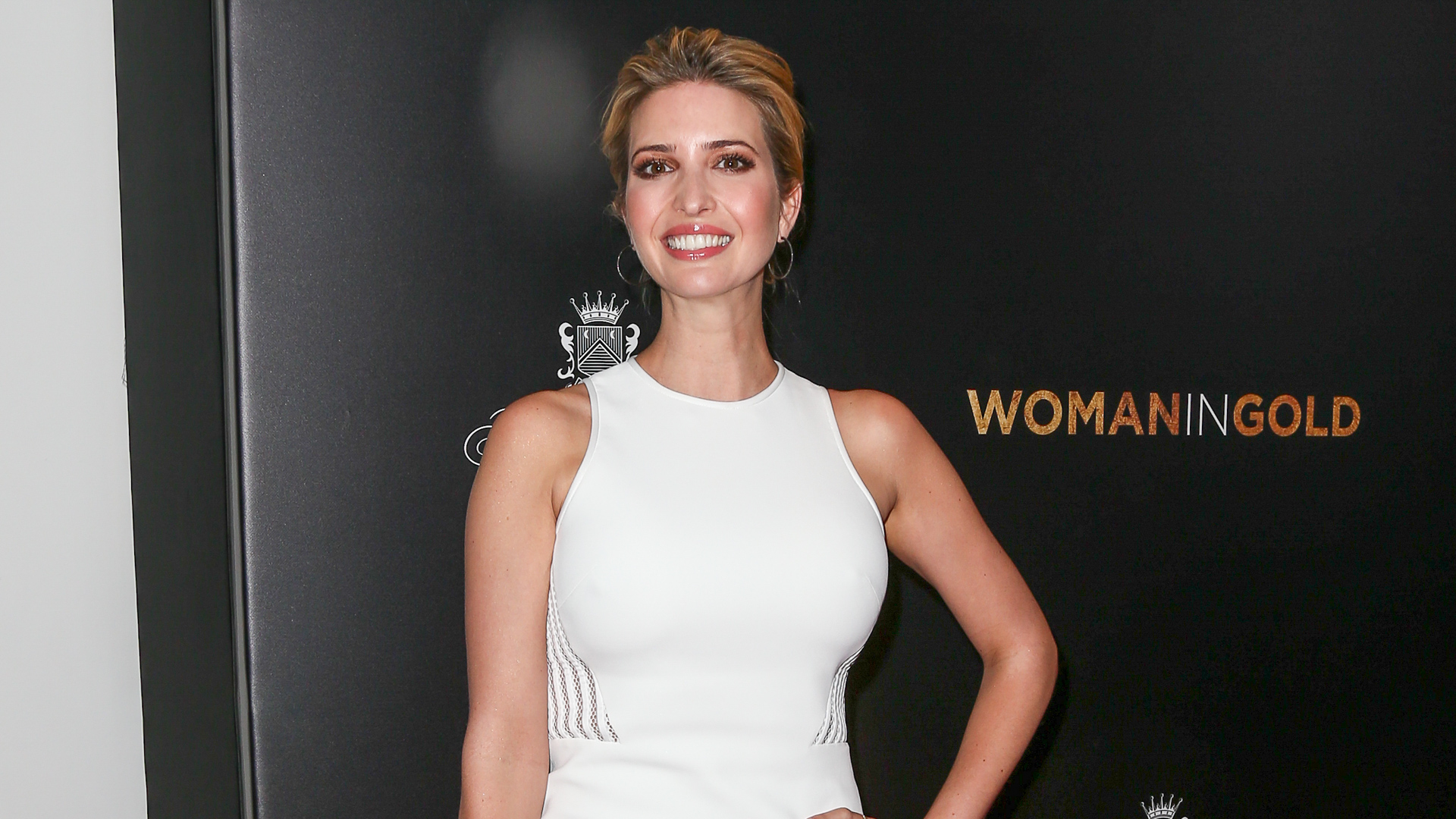 Ivanka Trump, founder of now-defunct Ivanka Trump Fashions and current advisor to her father, President Donald Trump, wrote an article for Business Insider back in 2016. In it, she said that mothers embody the qualities of a leader, particularly because they recognize “self-focus is not sustainable.” “It began when I got married, and the reality crystallized: It’s not only about me anymore. Evolving from an ‘I’ to a ‘we’ made me a better person. I was kinder to other people, and that’s compounded by having children. As an executive, it’s not enough to be a successful individual,” Trump said. “The most effective leaders are those who build a capable team, often by giving of their time and expertise to help those around them learn and ultimately rise in the ranks themselves.” 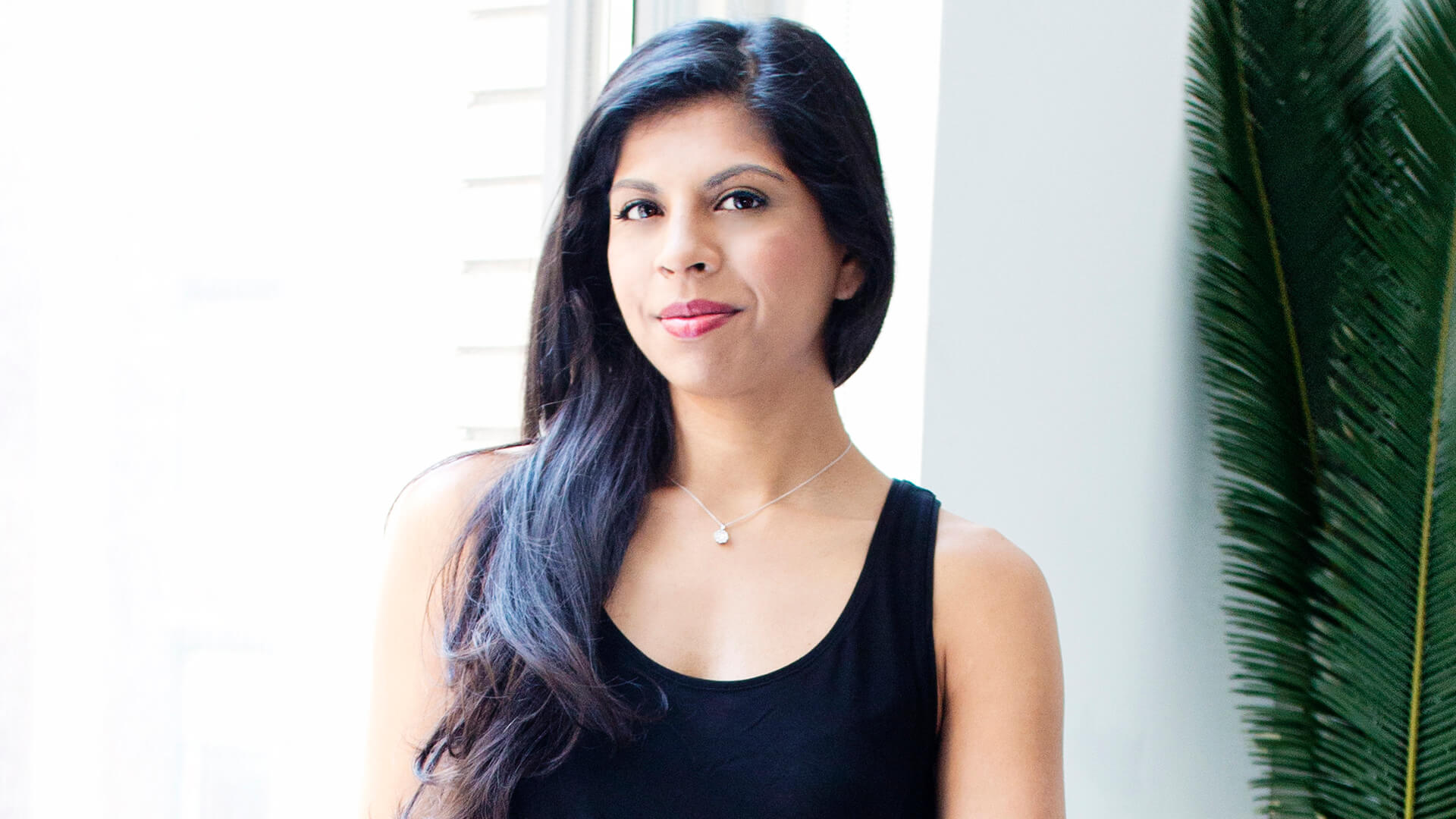 Michelle Cordeiro Grant is the founder and CEO of LIVELY, a women’s fashion lingerie brand, and a mother of two. “Motherhood has taught me not to fear the unknown but instead embrace the journey of learning on the go! Enjoy the fulfilling feeling of ‘figuring it out’ and use that energy and motivation to tackle the next challenge,” Grant said in an interview with Forbes. “The big takeaway for me is to use moments of accomplishment, big or small, as fuel to have the courage to go after it all — the sky’s the limit!” 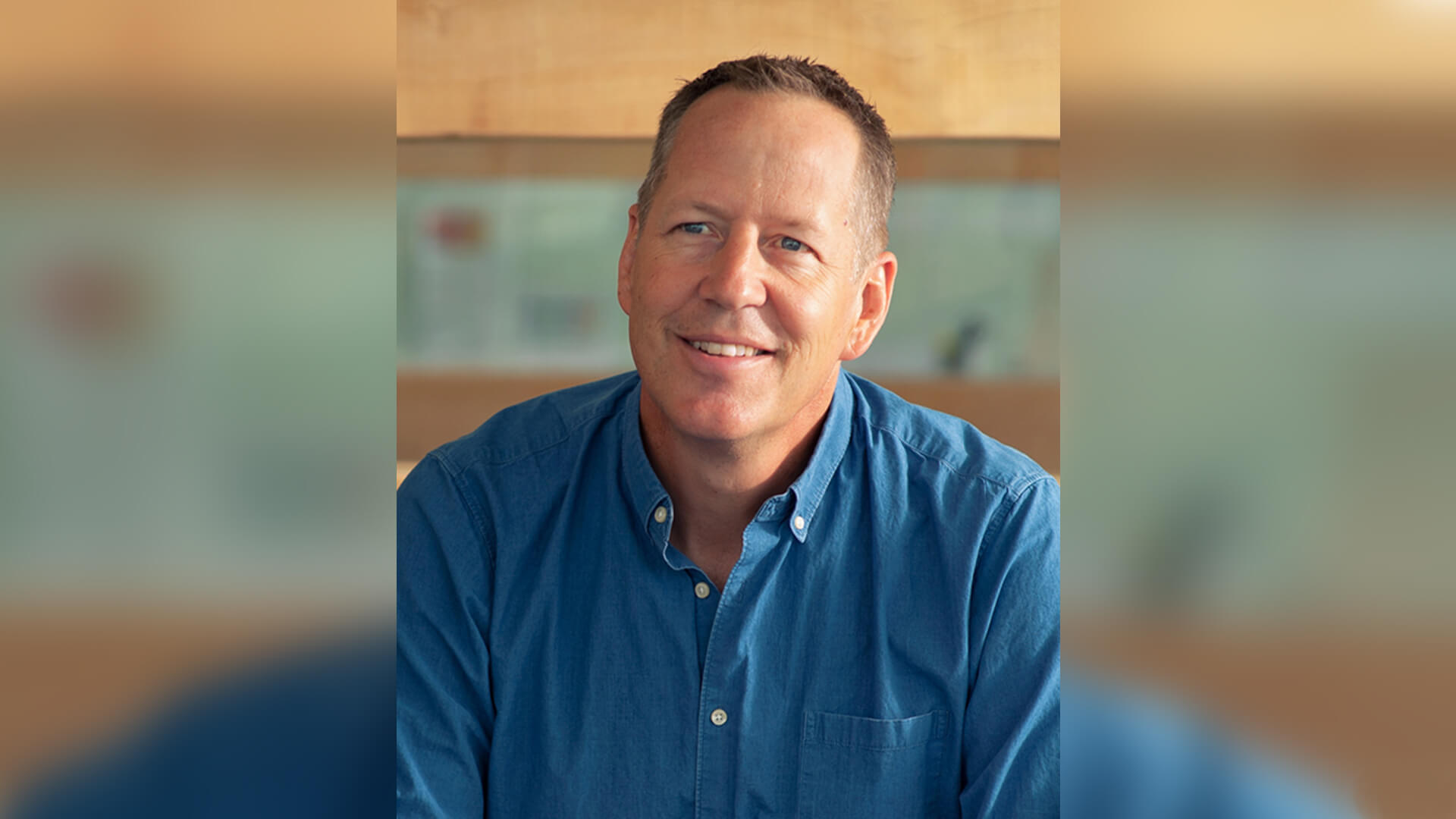 Jim Scott is the founder and managing partner of MONO marketing and advertising agency based in Minneapolis. My three boys are guiding my work at [MONO] in a sense,” he told Inc. in 2016. “From watching their countless baseball games, soccer matches and wrestling tournaments, I’ve learned that you have to leave mistakes on the field and approach the next challenge with a fresh set of expectations.

“We’ve found success working with some of the most coveted brands in the world, but when we don’t prevail, I tell them what I tell my kids: learn from your mistakes and move on. Don’t give up. Stay in the game and give yourself another chance to succeed.” 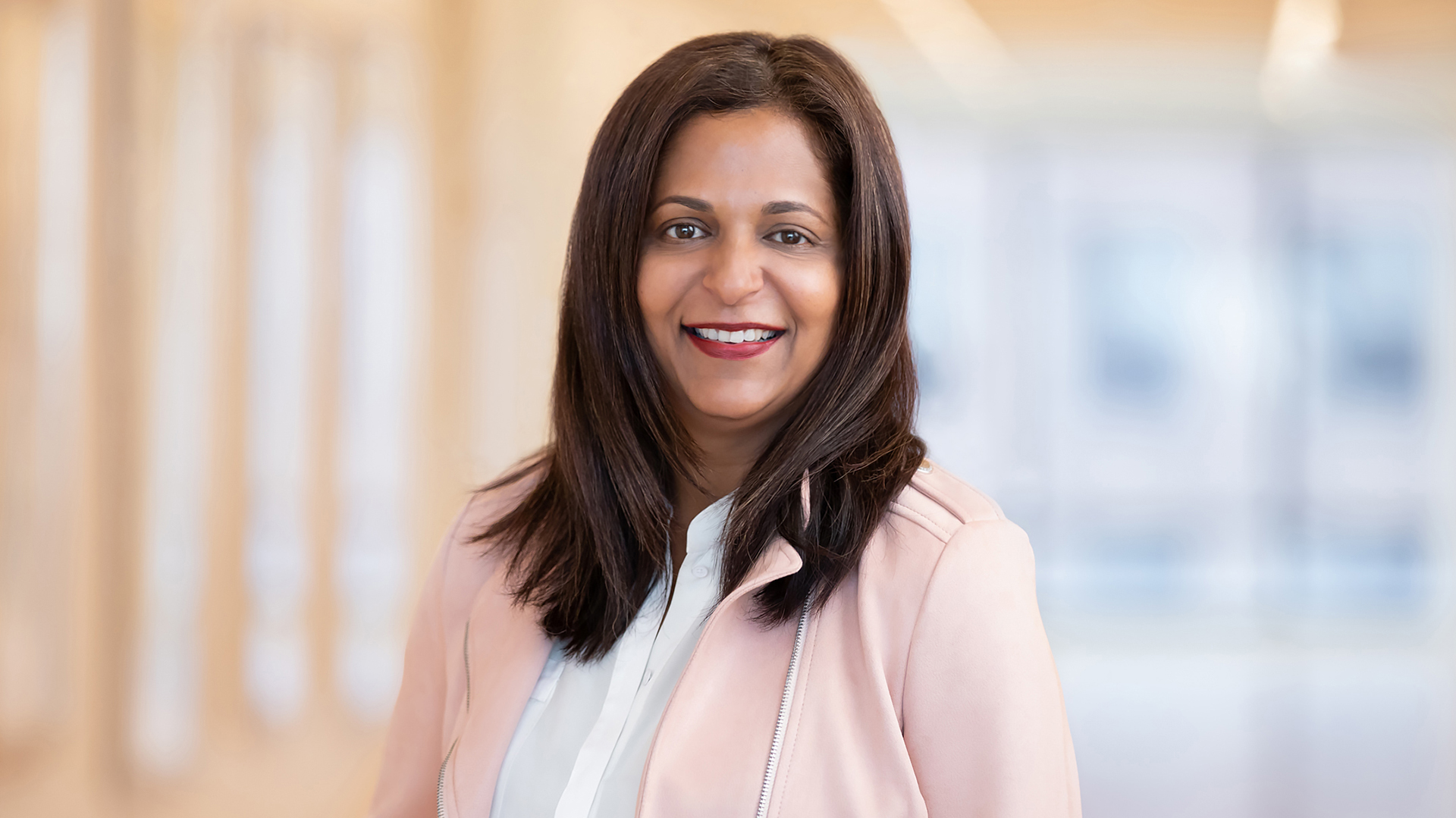 Sonia Syngal, president and CEO of Old Navy, has tried to instill in her children the importance of surrounding themselves with supportive people. She’s taken her own advice, too. In an interview with CNN Money, she said, ” … I’ve surrounded myself with a team that cares. I like to think that how I’ve learned to care as a mom has helped me approach my work with the same heart,” she said. 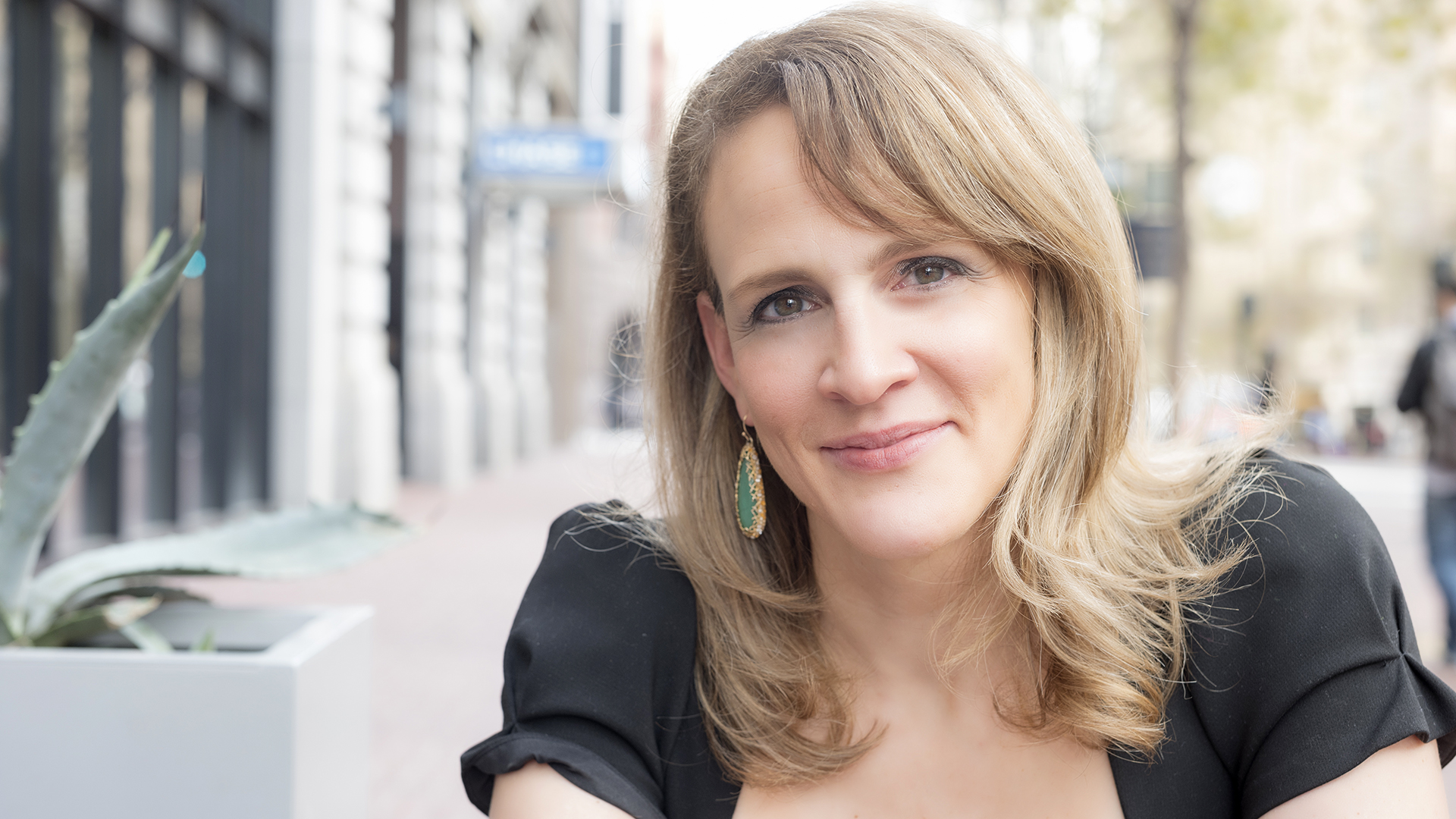 Christa Quarles is the former CEO of OpenTable and mom to two kids. She told Forbes in 2017 that allowing her children independence made her want to do the same for her teams at work. “I want my teams thinking independently and aggressively pursuing goals. They should have enough rope to explore their own ideas and develop their own hypotheses,” Quarles said. “But it’s also important to step in and course correct. Striking that balance is what defines effective leadership.” 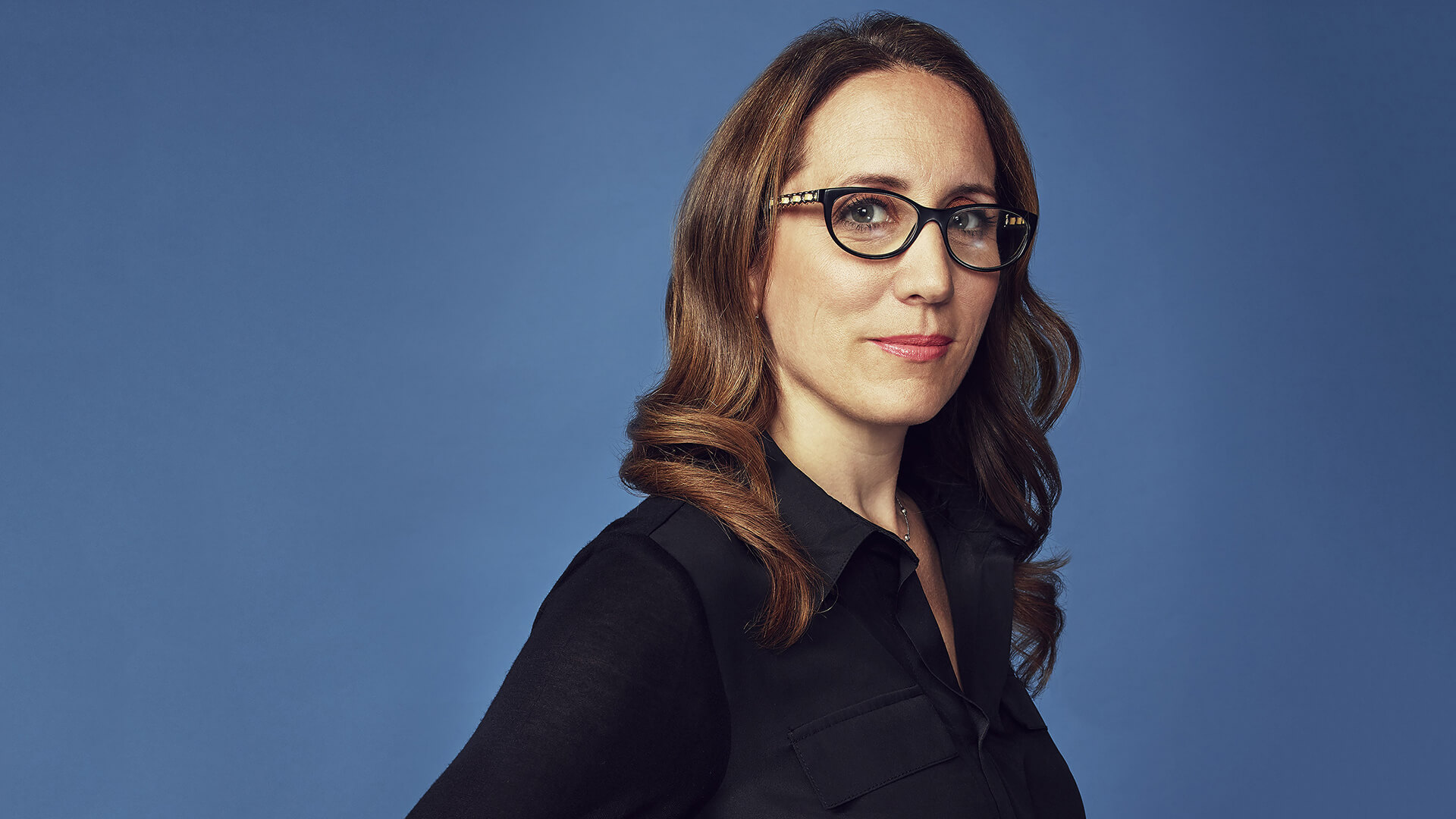 “Parenting forces you to get outside of yourself,” said Louise Pentland, chief business affairs and legal officer of PayPal, in a 2017 Forbes interview. “The needs of your child have to come first (and second, and third), and that teaches you invaluable lessons about empathy and balance. This has noticeably affected my leadership style.”

She is the mother of three and believes that being a mother created a greater perspective for her to be a good leader. “Everyone wants to do great work; everyone wants to serve the company and contribute to the team; and everyone has a life (some with kids, some without) outside of work. Being a mom has expanded my perspective.” 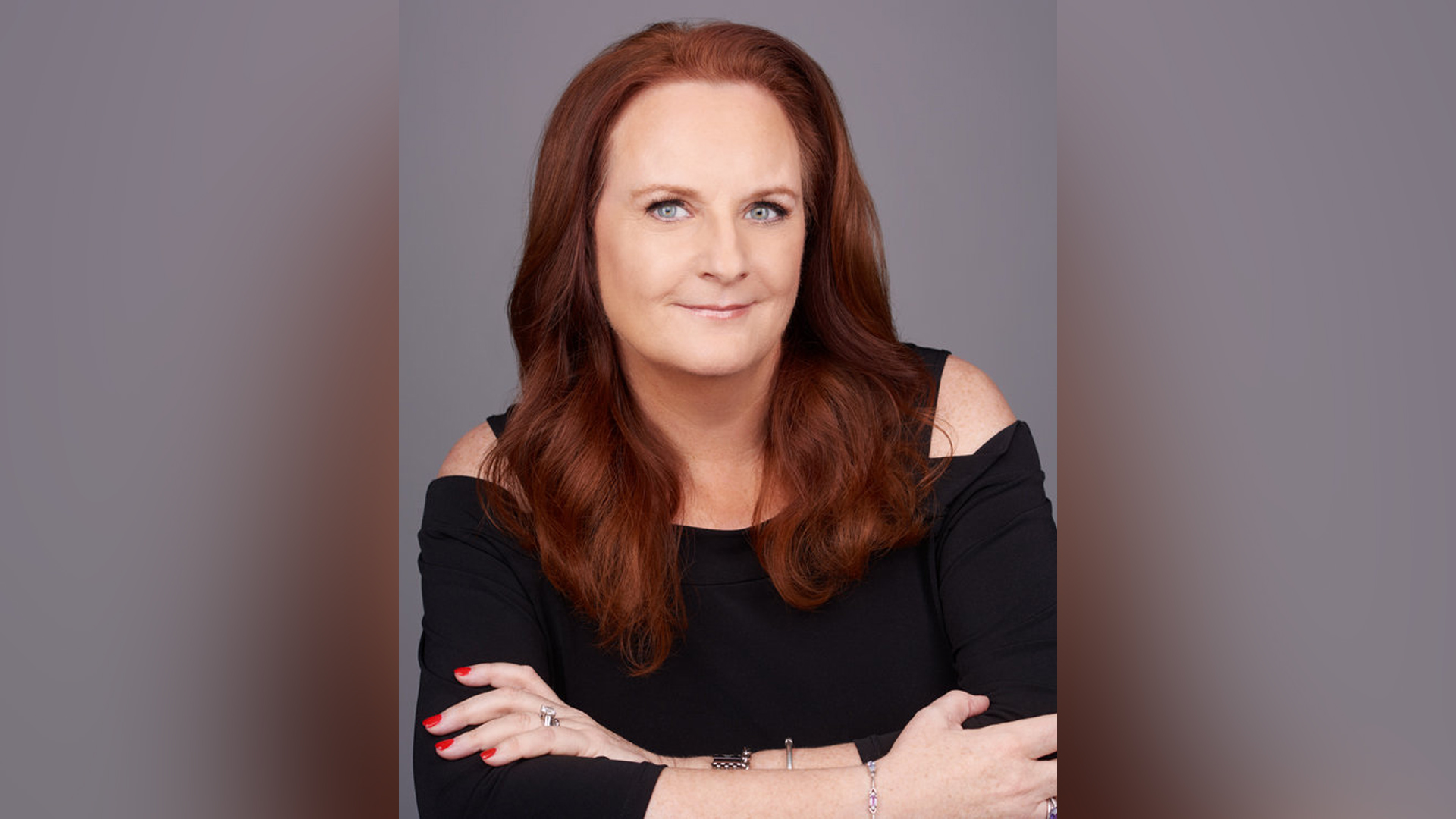 Perry Yeatman, a career transitions coach and CEO of her own consulting company, believes that motherhood is the best teacher in the art of negotiation. In a 2015 article for Fortune, Yeatman wrote that “everything is a negotiation” and the ability to negotiate is a key leadership quality. “Being a mom taught me how to be a better negotiator — with anyone and about anything. I use these skills daily — on everything from securing favorable contract terms for my company to getting my 11-year-old daughter to wear a dress to church for Easter (it happened this year — but only because she got to pair it with her favorite hot pink Dr. Marten boots),” she said. 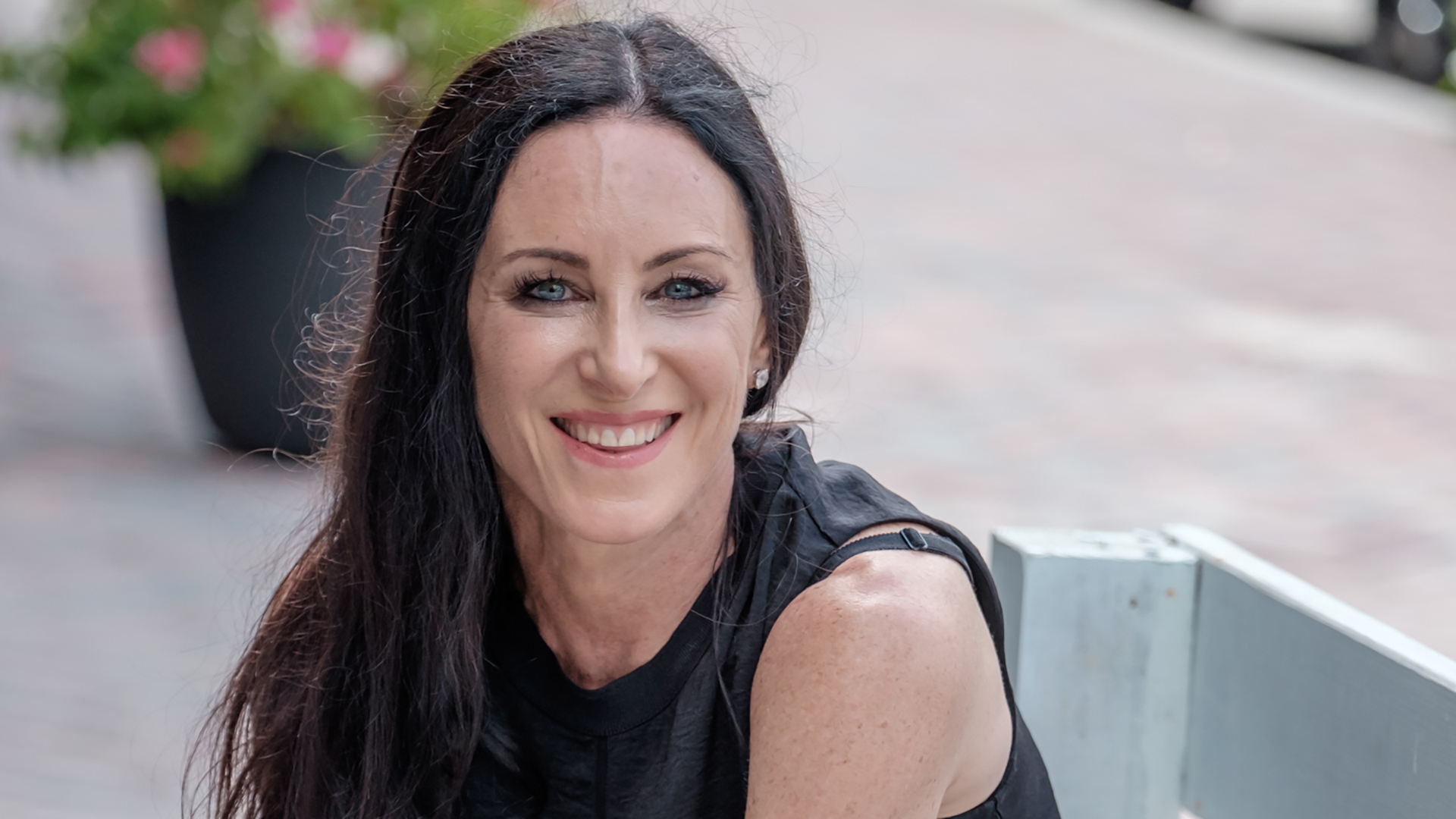 “Being a mom taught me how to listen to my child’s needs and harness my intuition. This is one of the most crucial leadership skills in business,” said entrepreneur and business coach Rachel Feldman in a Forbes article. “How often do CEOs need to make a pivotal decision that comes down to their gut instinct? Frequently. Many moms have that ‘momma bear’ instinct that they cannot deny and which allows them to make decisions that could make the deal or break the deal.” 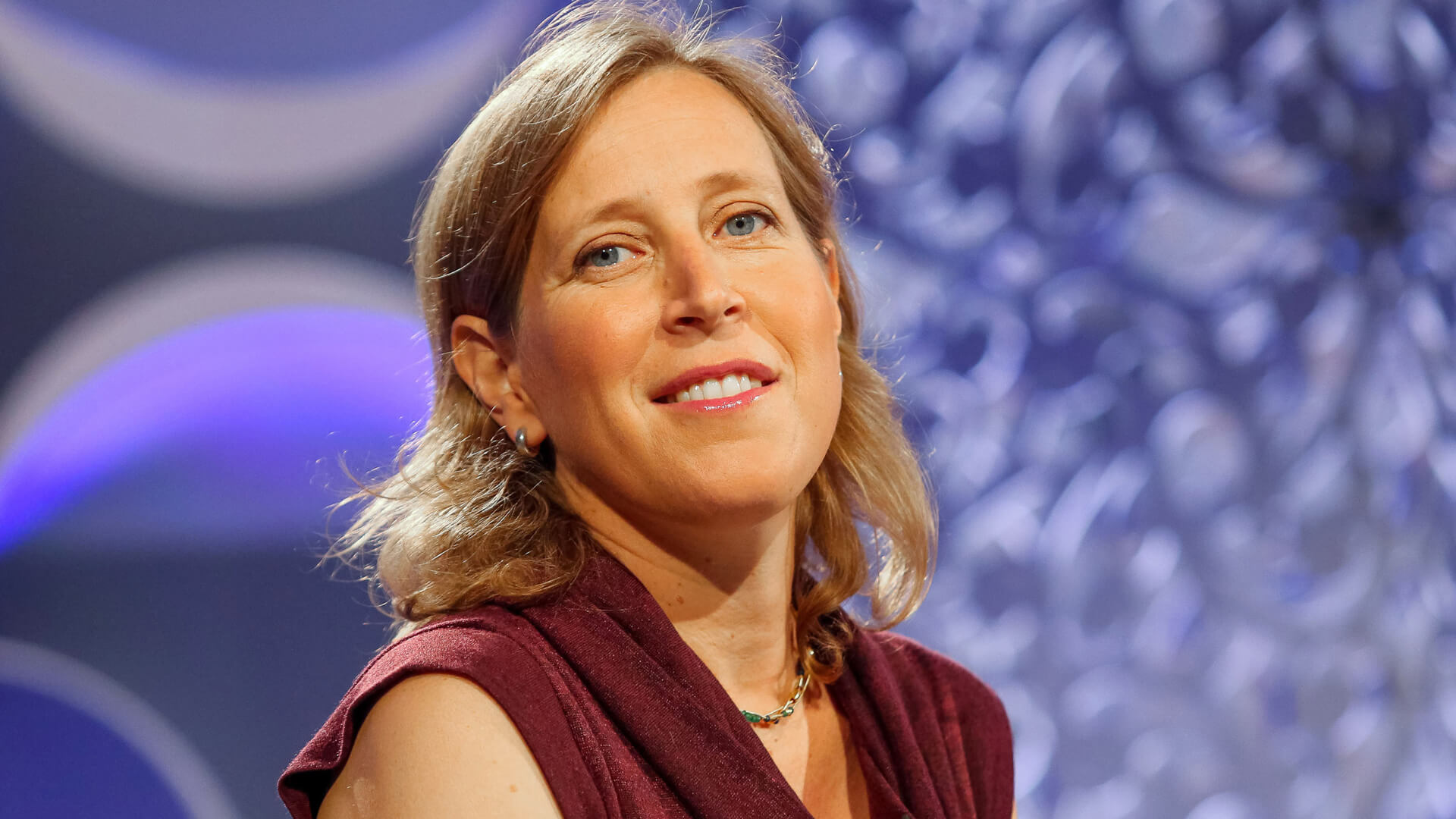 In a 2014 interview with Today, YouTube CEO Susan Wojcicki — pregnant with baby No. 5 at the time — said, “I don’t feel like I’m a perfect mom, and then there are times at work where I feel like maybe I wasn’t perfect here because of constraints on my time. But having the sum of both of those things going on in my life makes me a better mom at the end of the day, and I think gives me really important perspectives in the workplace as well.” She went on to say that her kids are very supportive of her job and actually point out videos that she should know about for YouTube. In February 2019, Wojcicki said they give her honest feedback on not-so-popular videos, too — apparently they found YouTube’s infamous “Rewind 2018” video “cringey.” 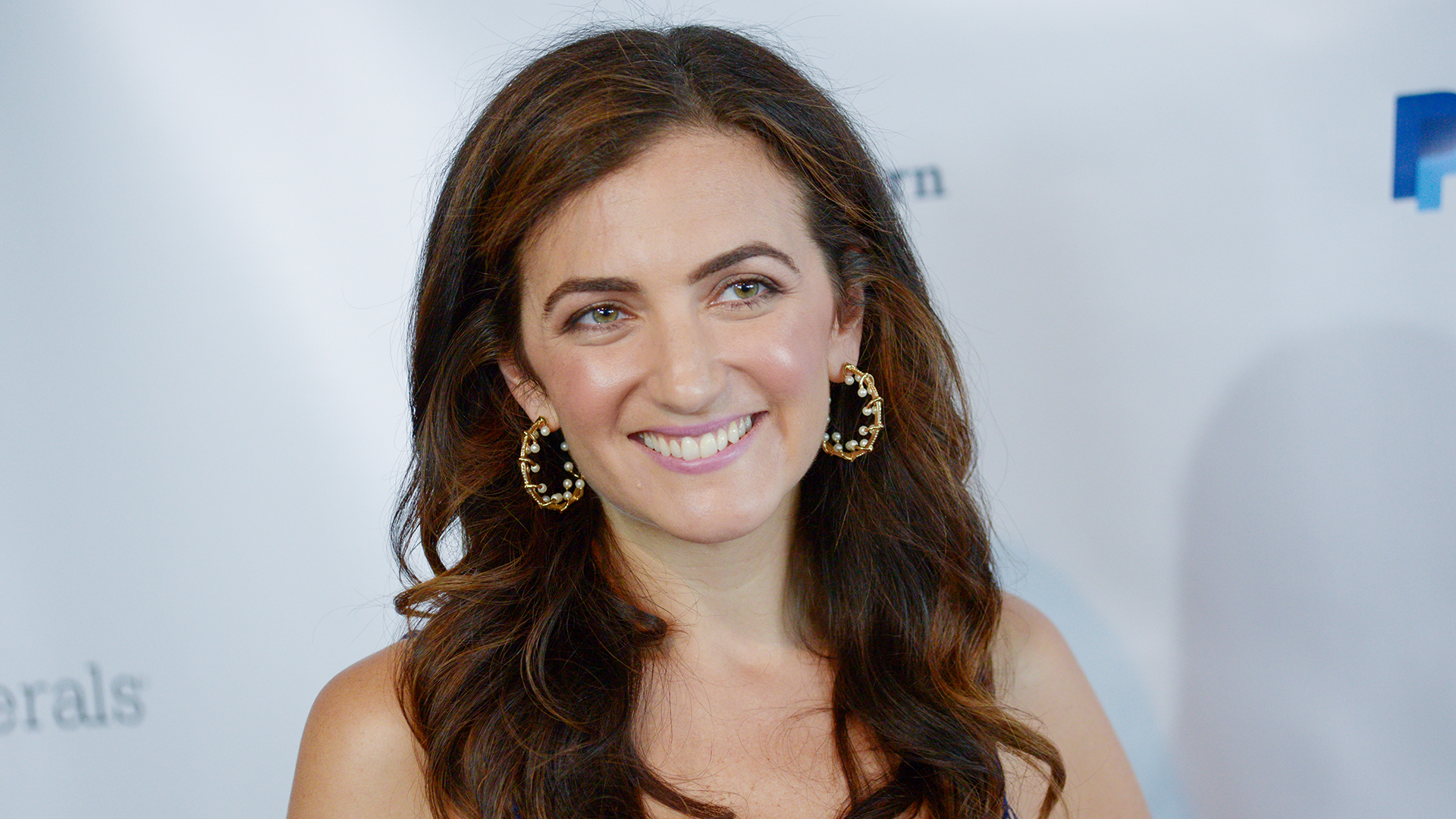 CEO and co-founder of Rent the Runway, Jennifer Hyman, told CNN Money in an interview last year that becoming a mother made her more efficient. “I think that I’m cognizant not only for my own time but of everyone’s time of ‘how can I make this point in a more succinct manner?’” Hyman said. 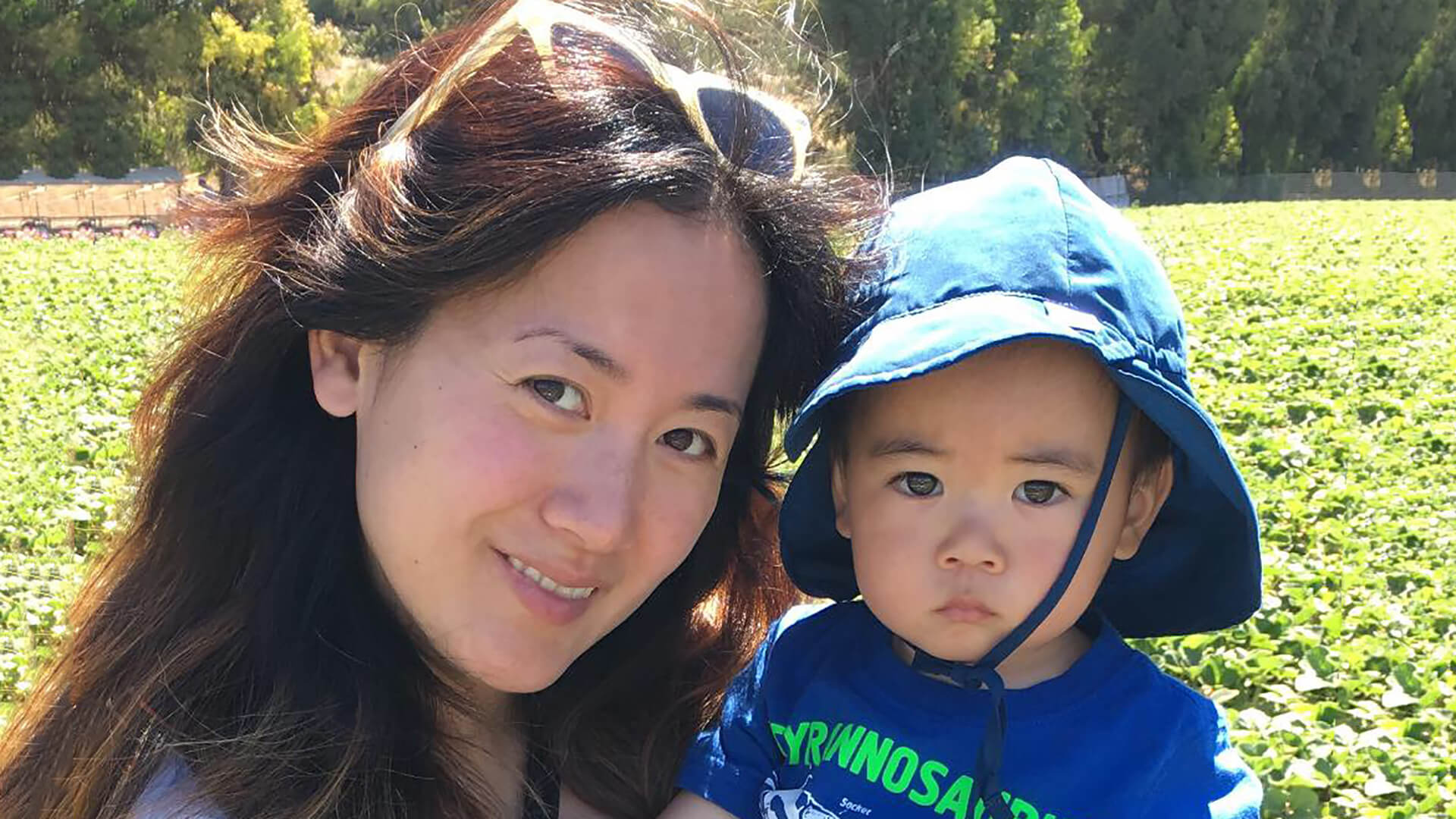 CEO Jessica Chang started daycare business WeeCare because she lacked suitable care options for her child. “The current childcare landscape leaves many working parents in situations where they have no alternative other than missing work to care for their child,” she told GOBankingRates. But she found that there was an unexpected upside to being both a mom and CEO — it helped her grow.

“You end up finding a new normal where you block out times for work and for family and you learn that it’s OK that things change all the time and giving yourself a little room on making mistakes,” she said.

Erica Corbin contributed to the reporting of this article.