19 Fascinating Facts You Never Knew About the Penny 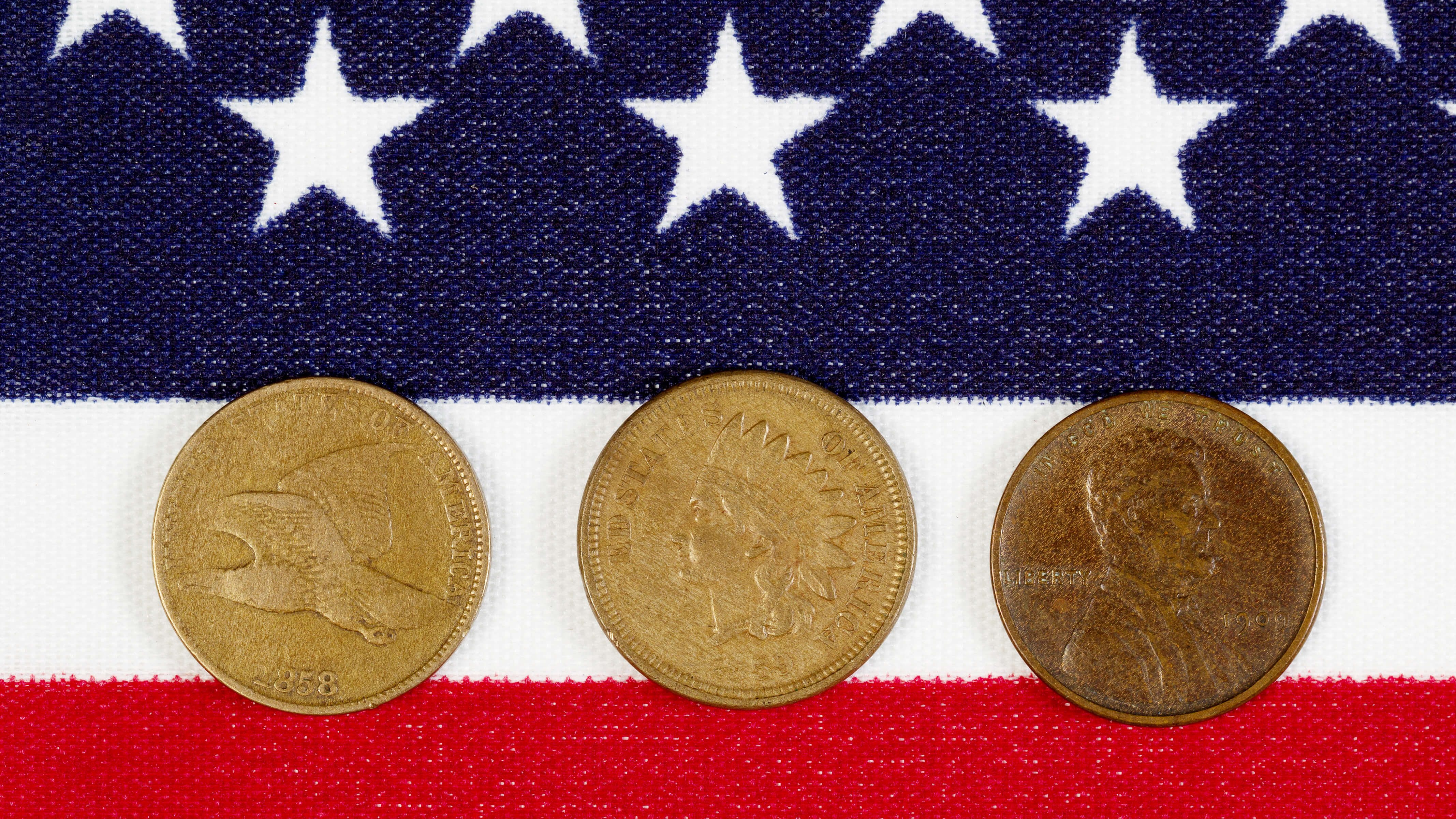 Four score and 30 years ago — that’s 1909 for those of you who haven’t watched “National Treasure” recently — President Abraham Lincoln became the face of the penny. And, while technology is transforming the way we pay for things — arguably making cash less and less practical — Lincoln’s little coin that could has stuck around for a surprisingly long time.

The 1-cent coin’s longevity isn’t the only interesting fact about it, however. Here are some of the surprising things you probably never knew about your money. 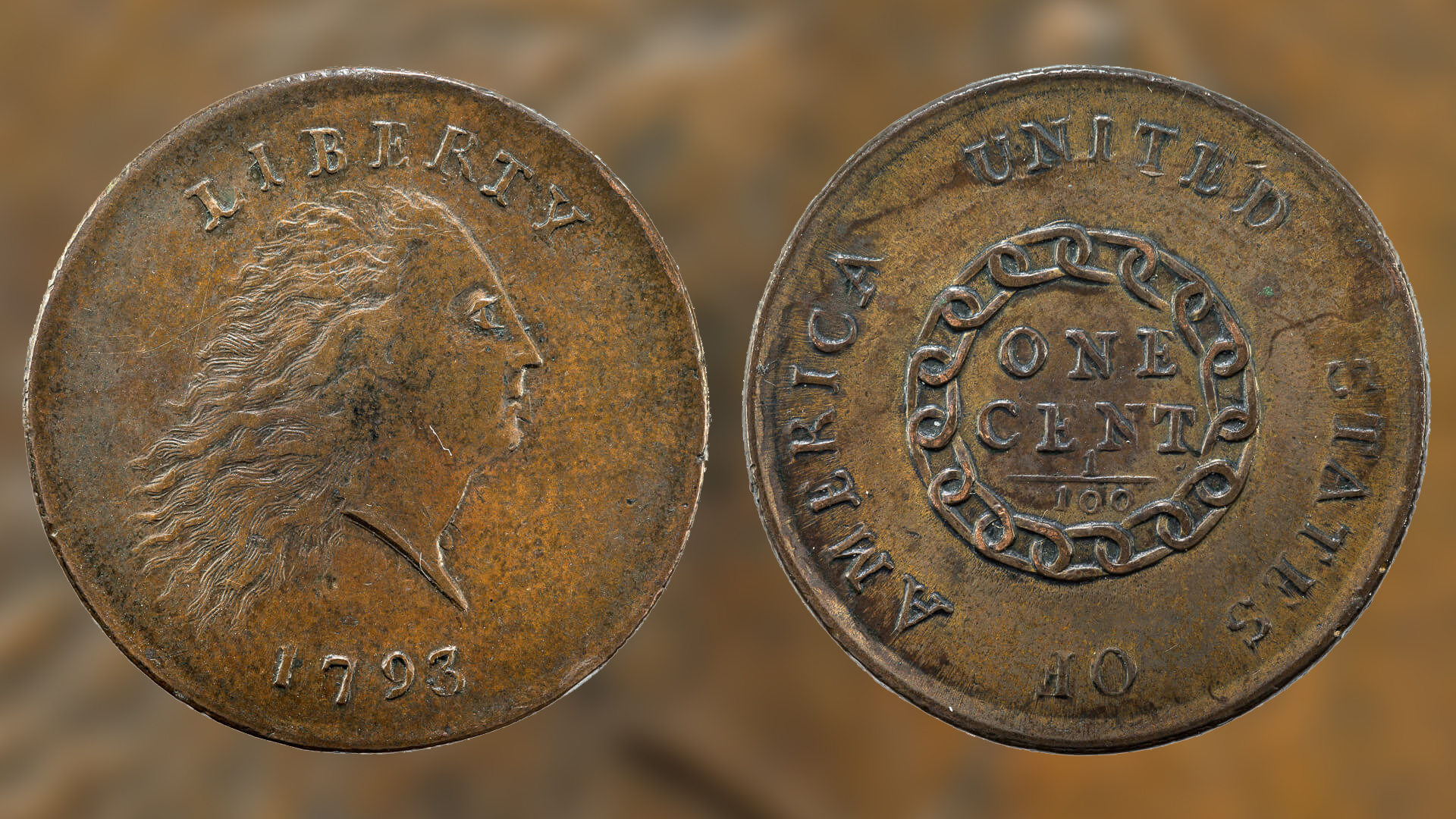 A Woman Used To Be the Face of the Penny

Long before Lincoln became synonymous with the 1-cent coin, a fictitious person graced the front. Miss Liberty, a gal with long, flowing locks, became the face of the penny after a conference held in the U.S. House. The decision was made against the wishes of the Senate, who wanted George Washington on the front. 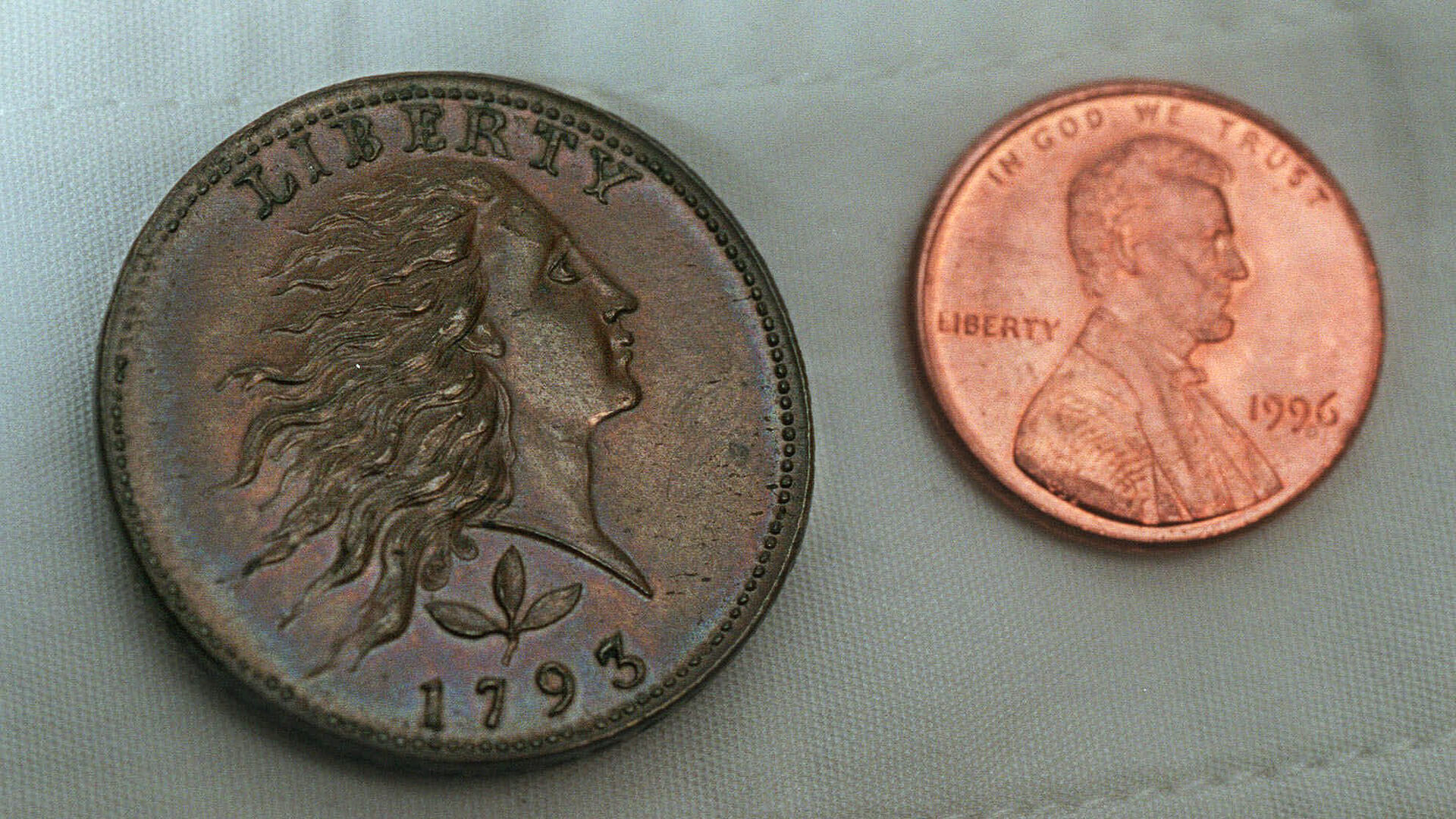 Pennies Used To Be Much Bigger

Today, pennies are about the same size as dimes — America’s smallest coin — but they weren’t always that small. In fact, the original penny was about the size of today’s half dollar. Pretty strange when you consider it’s the smallest form of currency. 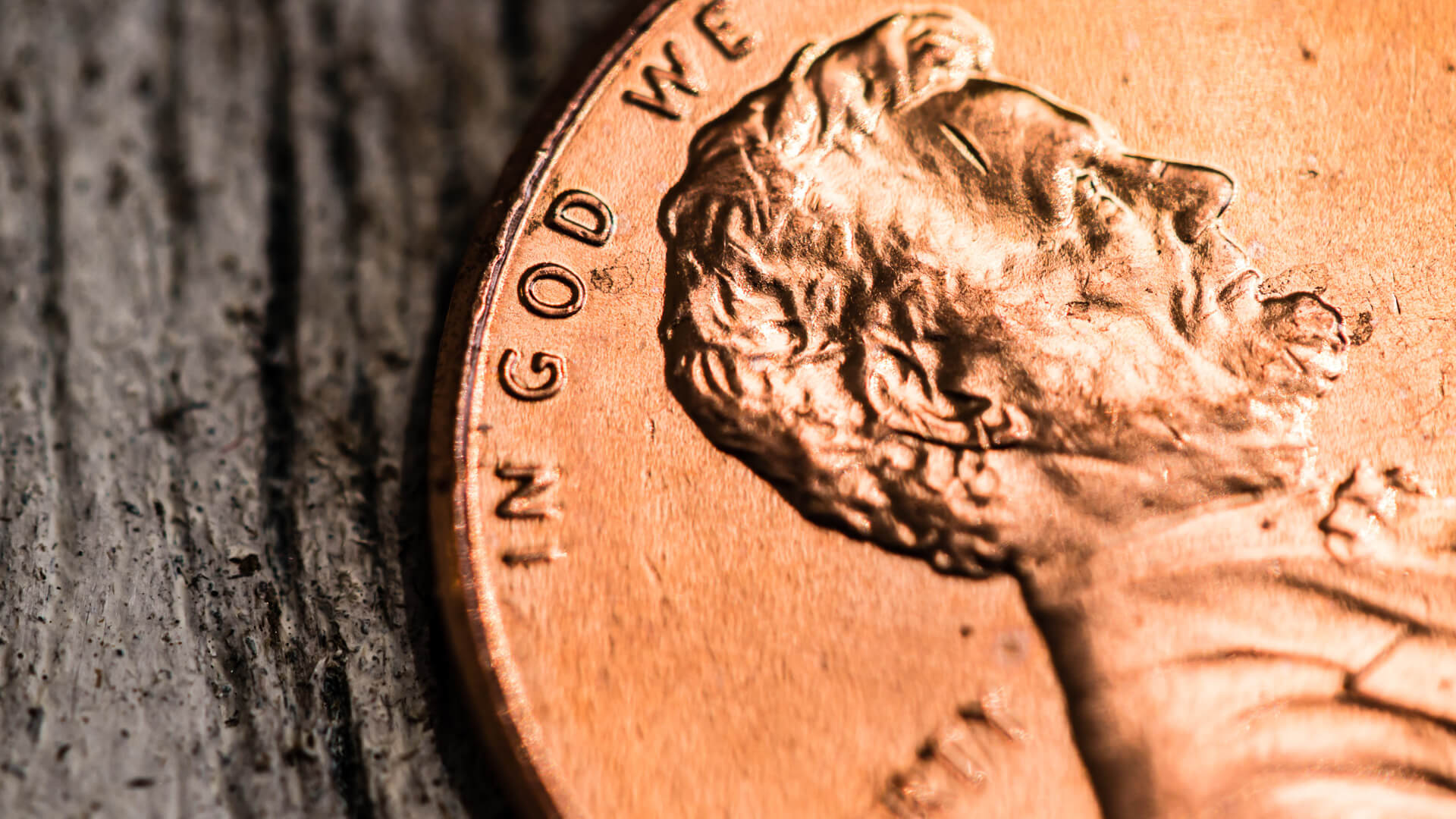 Despite Its Color, the Penny Has Hardly Any Copper in It

From 1793 to 1857, the 1-cent coin was made out of pure copper, but due to the increasing price of the metal, other elements were added to the mix. Over the years, nickel, tin, zinc and steel have all been used. Today, the penny is made with mostly zinc and only 2.5% copper. 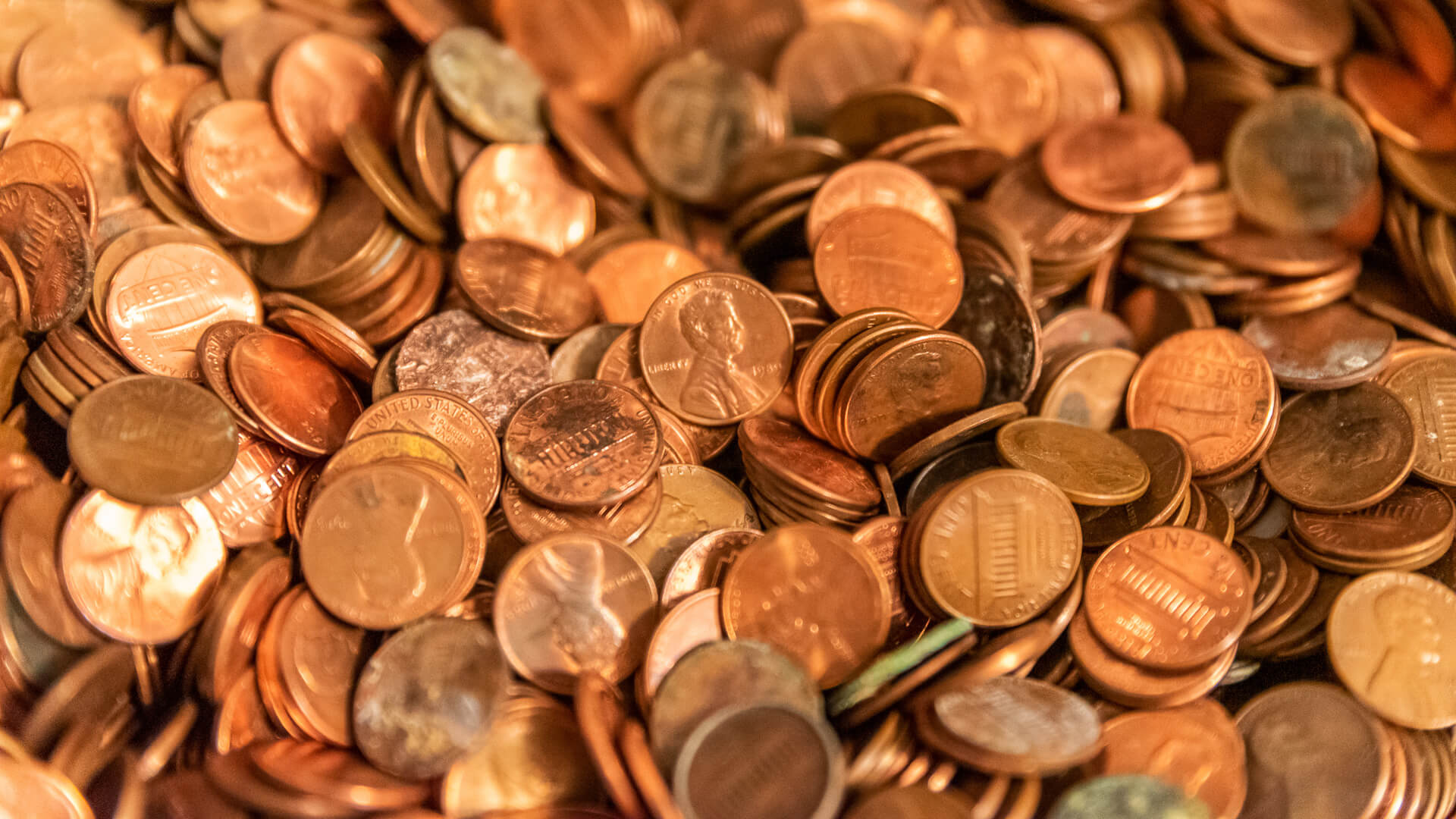 The First Batch of Pennies in Circulation Totaled Just Over $100 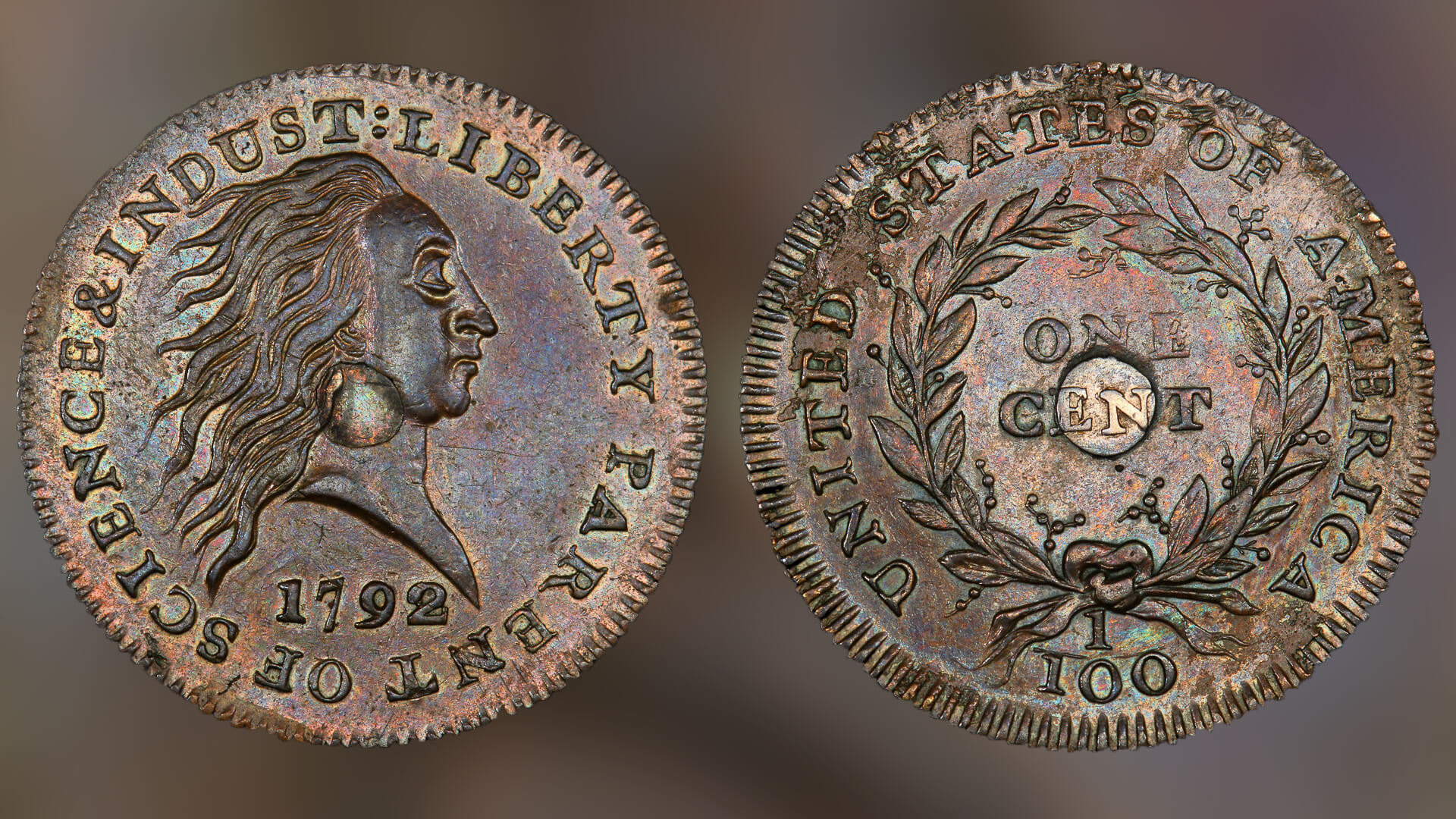 'Birch Cents' Were One of the Earliest Penny Designs

In 1792, artist William Russell Birch designed some of our earliest pennies, which featured Miss Liberty on the front and a laurel wreath on the back. The design of the penny ended up changing before it formally went into production, so the so-called “Birch Cents” or “Birch Pennies” are exceedingly rare. In fact, in October 2018, one of the historical coins was put up for auction at Stack’s Bowers Galleries in California for $1 million. 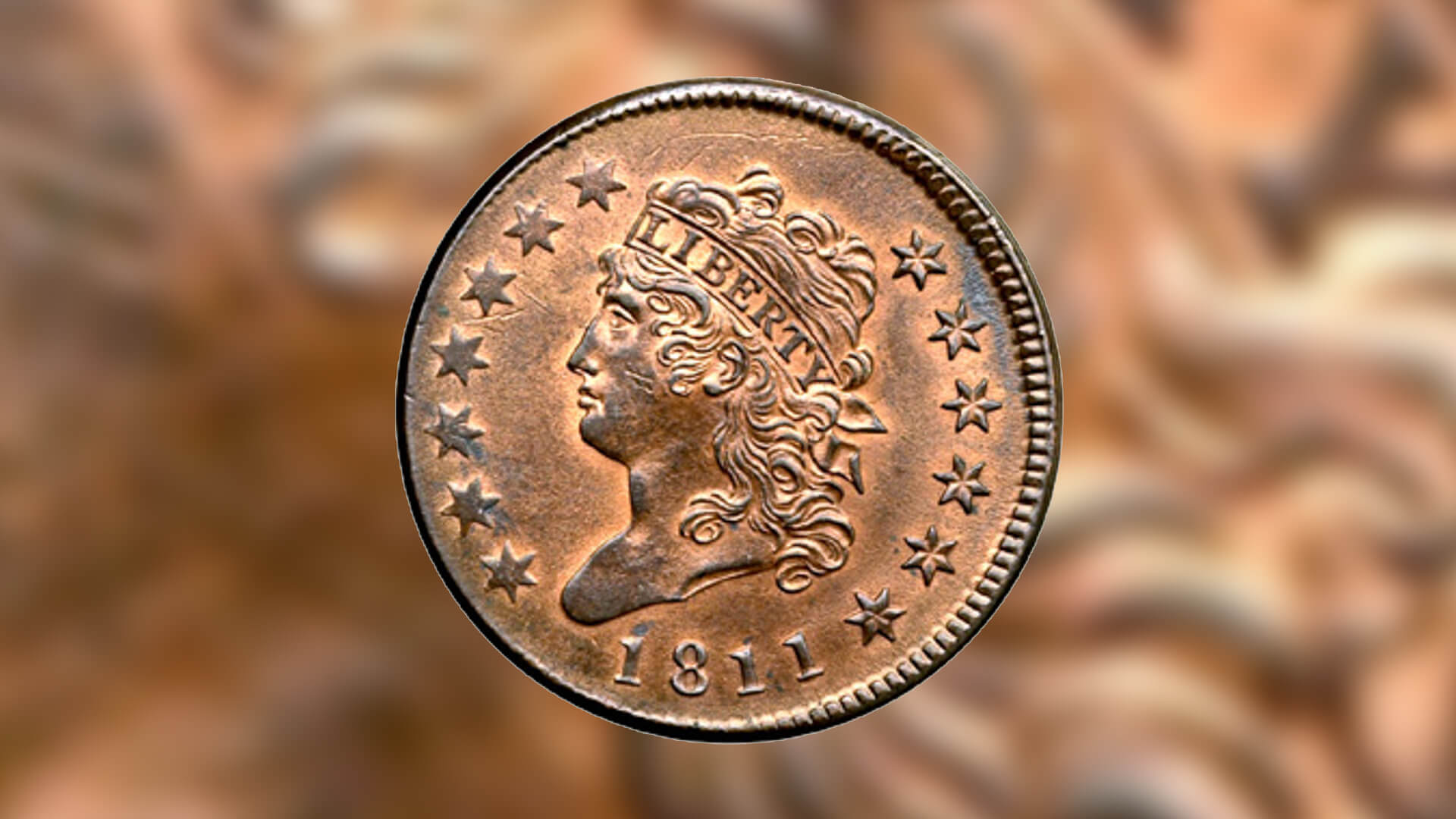 Miss Liberty’s coin received the unfortunate nickname “Silly Head” because the public thought the woman’s appearance was odd. Later versions of the coin gave her a ribbon to wear in her hair and eventually a cap of sorts. Her curls also became far less unkempt. It seems Americans just didn’t like the idea of a woman having bedhead. 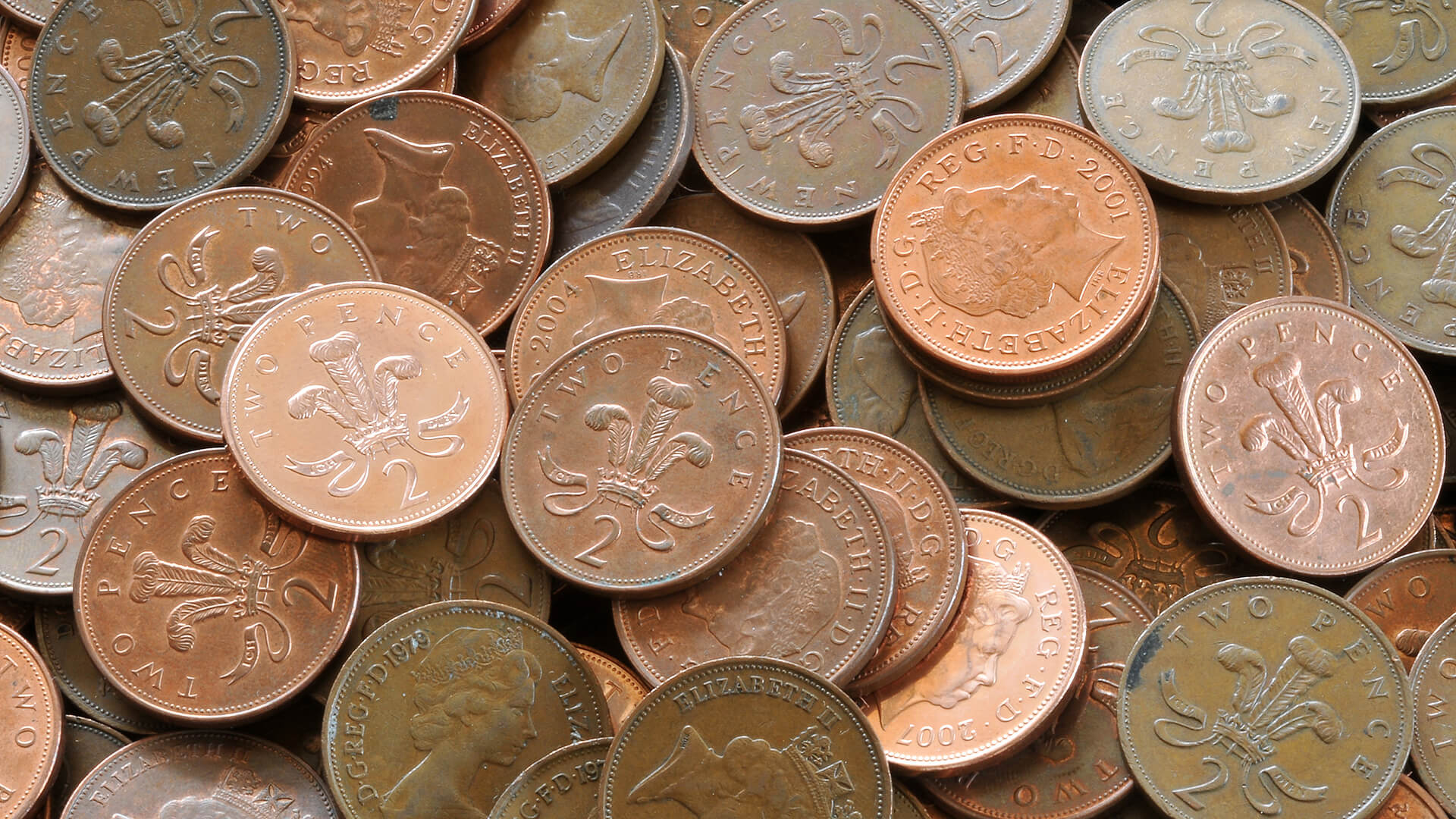 The Penny Has British Roots

The penny gets its name from the British “penny,” which Americans had been accustomed to using, having immigrated from the Kingdom of Great Britain. However, while we call multiple 1-cent coins “pennies,” the British call multiples of their penny “pence.” 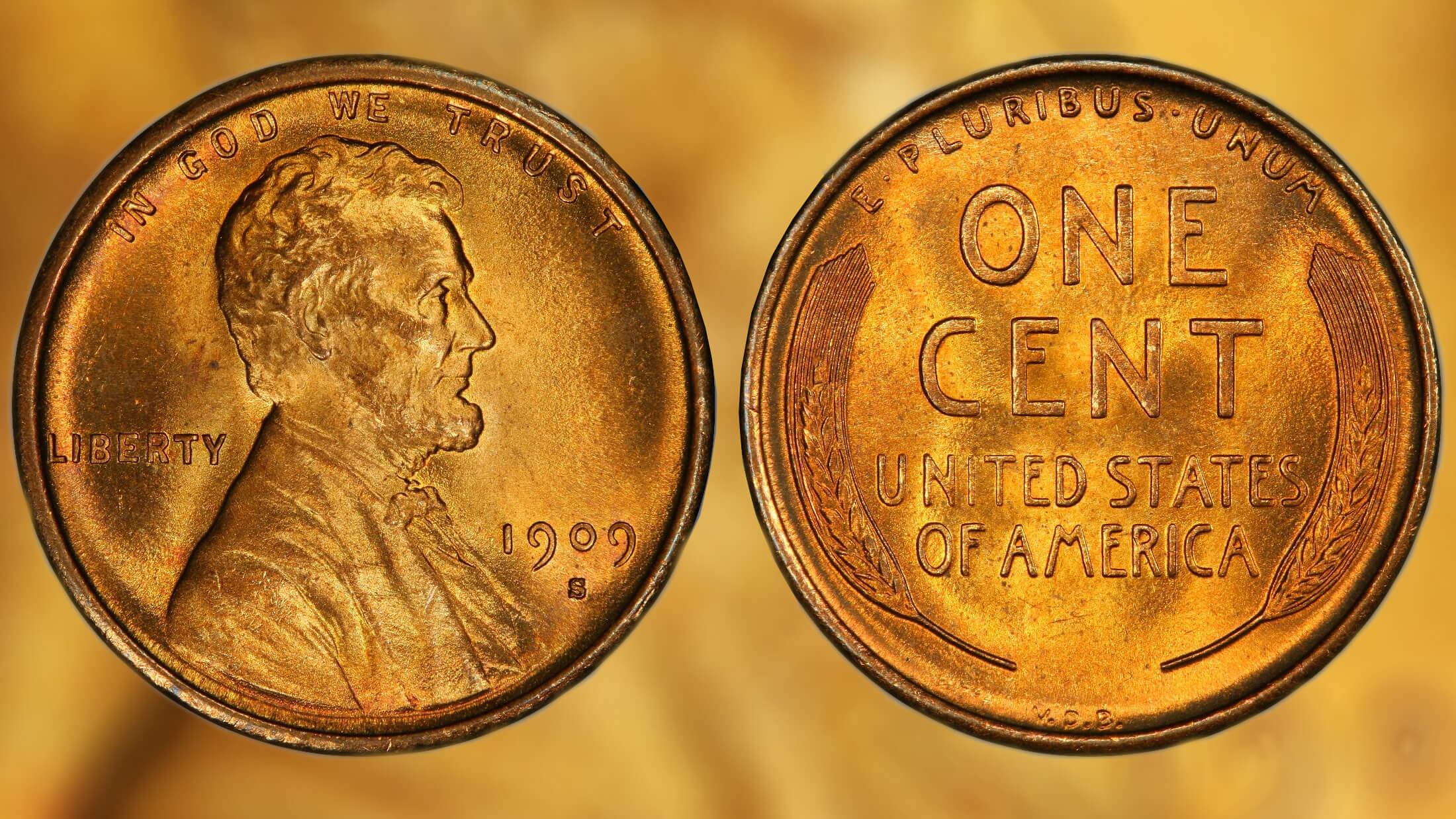 In 1909, when Lincoln became the face of the penny, it marked the first time a real human — as opposed to someone fictitious or an animal — appeared on regular-issued coinage. Further, despite being the 16th president of the country, Lincoln was the first president to be on a coin. 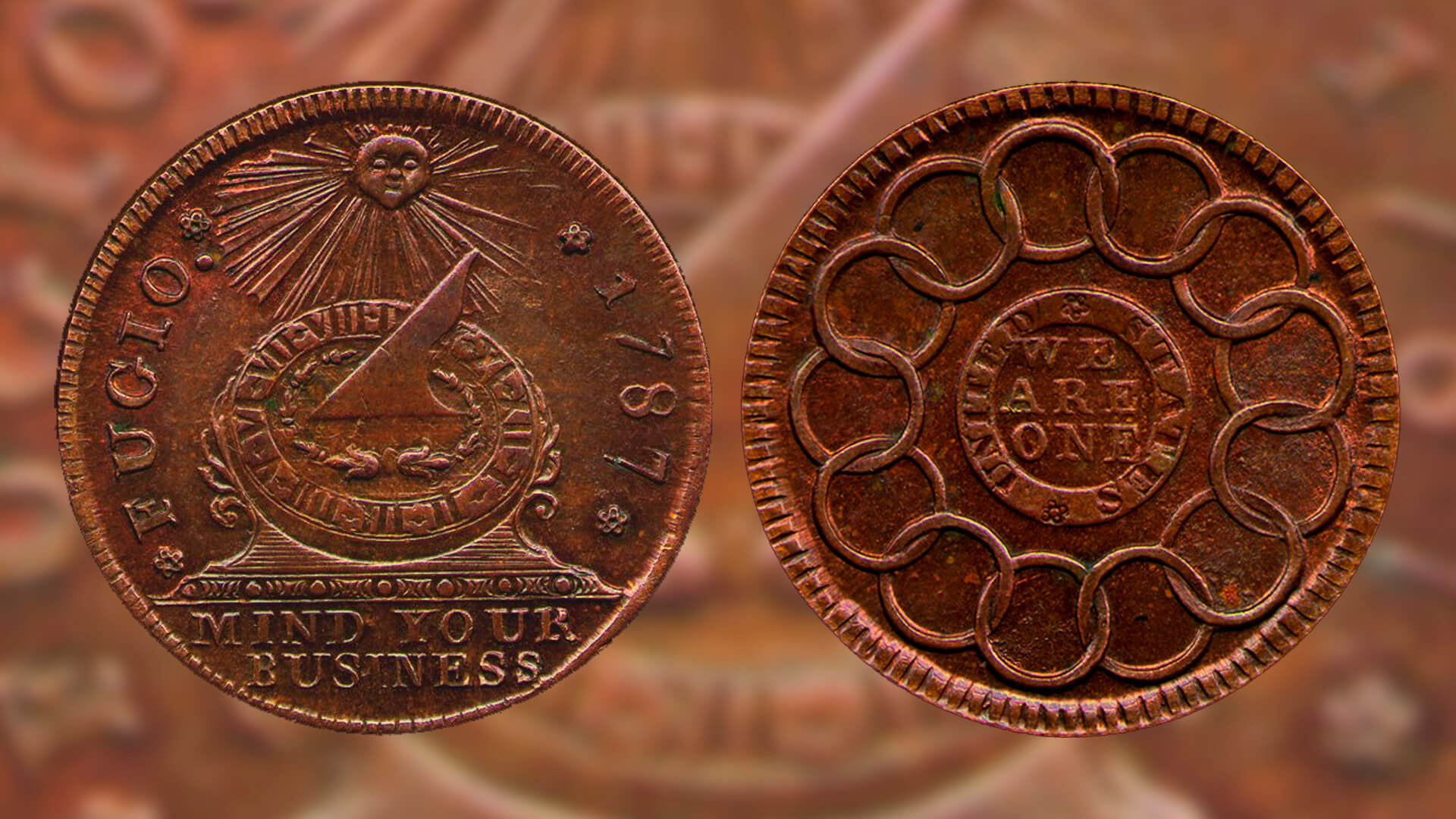 Lincoln Isn’t the Only Historical Figure Associated With the Penny

Lincoln isn’t the only big name tied to the coin. Founding Father Benjamin Franklin, who is associated with the famous phrase, “A penny saved is a penny earned,” designed one of the earliest U.S. pennies, called the Fugio cent. The association between pennies and Franklin is so strong that visitors to his grave in Philadelphia often leave pennies there for good luck. 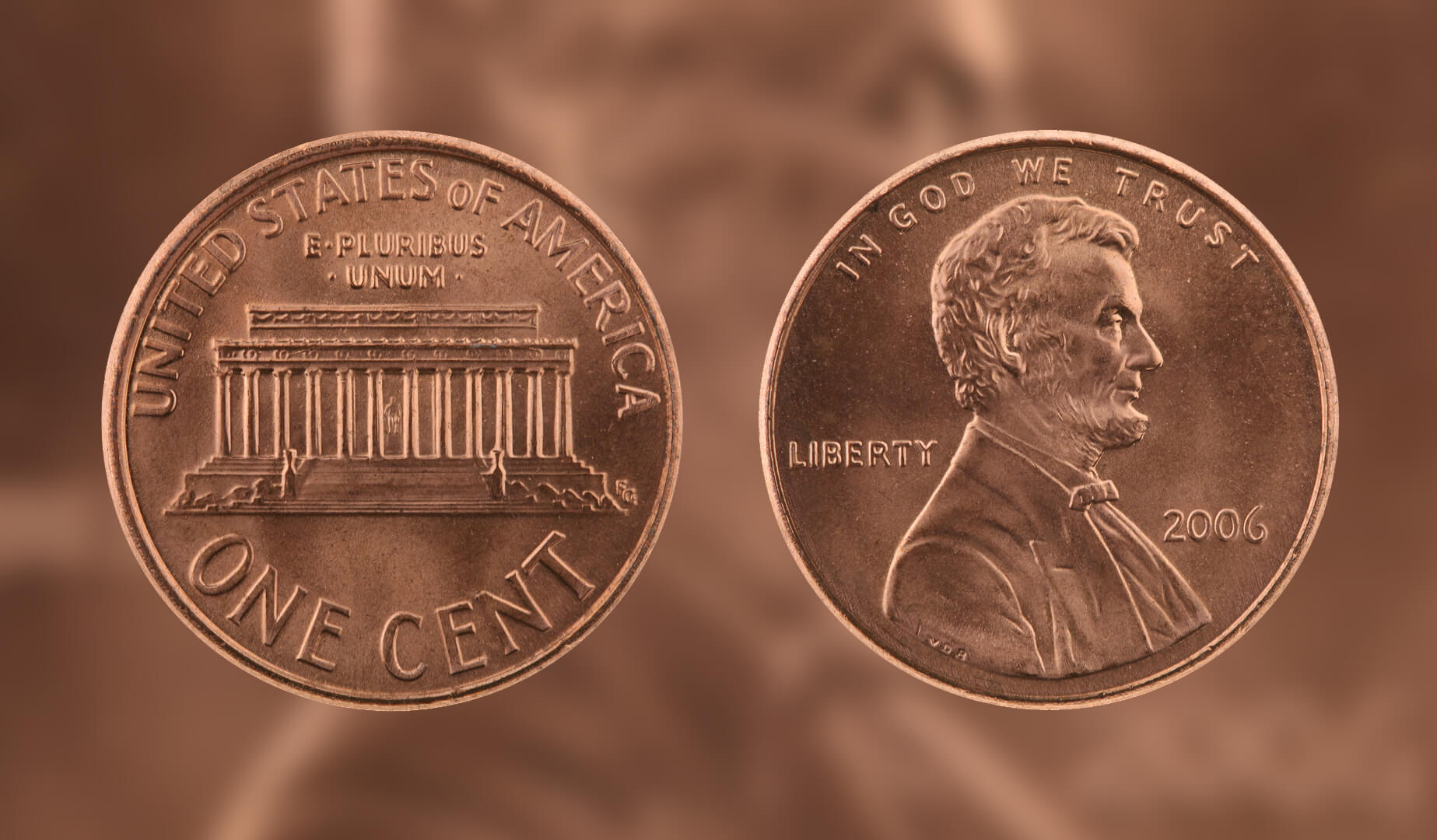 The Penny Once Featured Two Lincolns

From 1959 to 2007, both sides of the penny featured Lincoln. On the front of the design is his bust, and on the back, his tiny figure can be seen within the Lincoln Memorial. 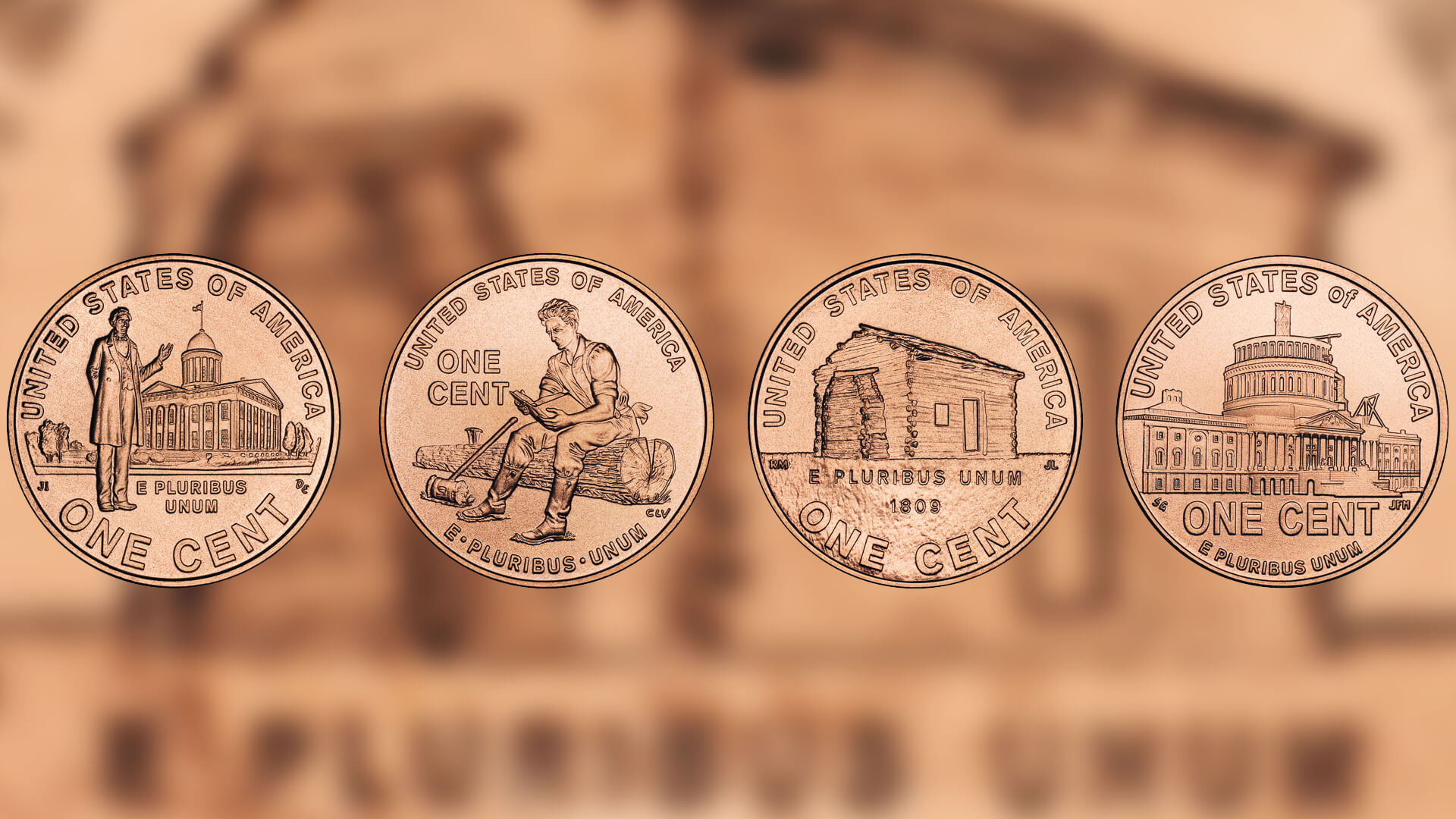 Lincoln’s Penny Has Had Several Makeovers

The penny has undergone several design changes over the years, with four being used in 2009 alone. The four designs highlighted important phases of Lincoln’s life: his birth and early childhood in Kentucky, youth in Indiana, a career in Illinois and, finally, the presidency in Washington, D.C. 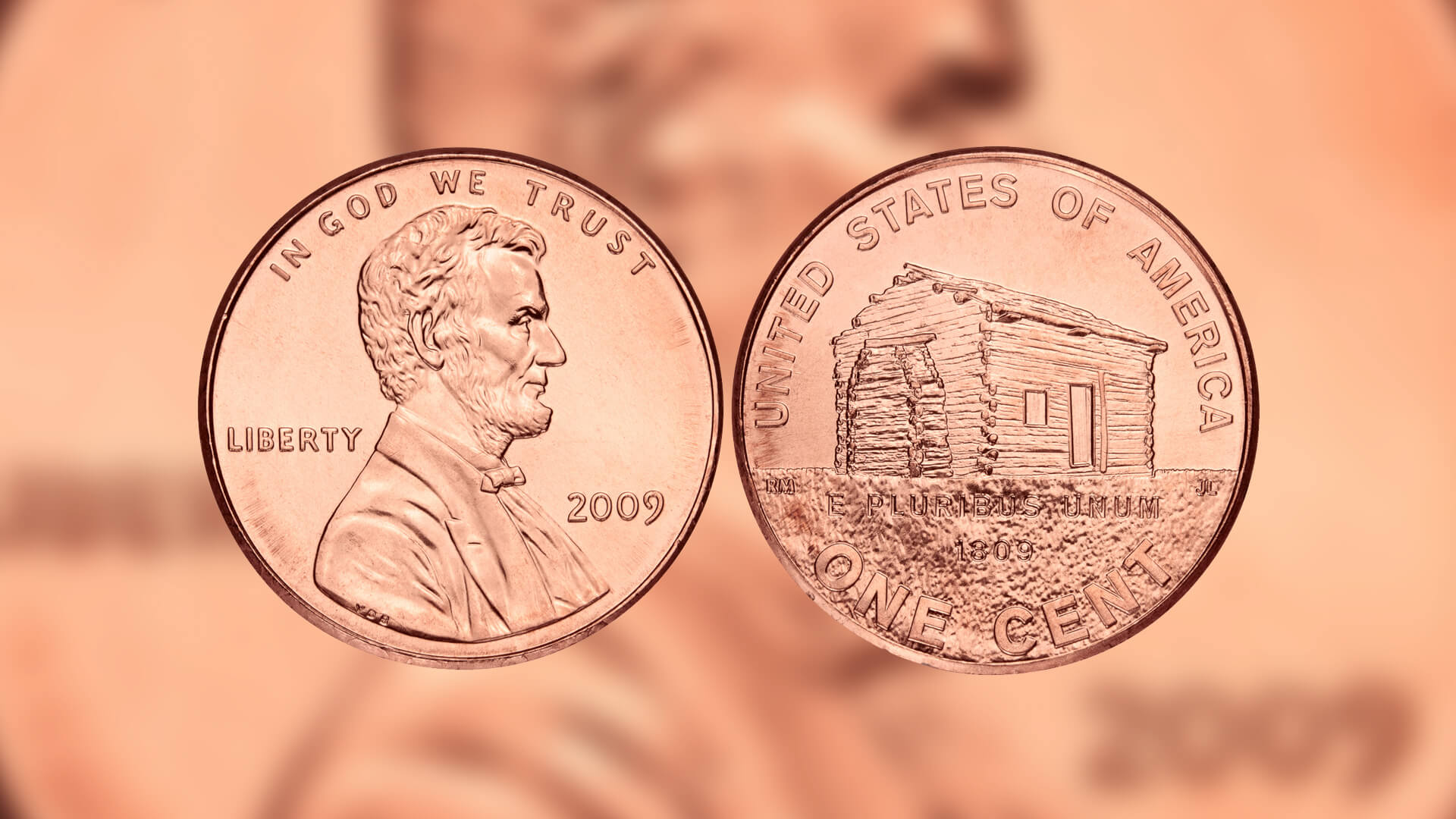 2009 Was a Special Year for the Penny

The reason the penny featured four different designs in 2009 was to commemorate two very special occasions. That year was the 200th anniversary of Lincoln’s birthday, as well as the 100th anniversary of his appearance on the 1-cent coin. 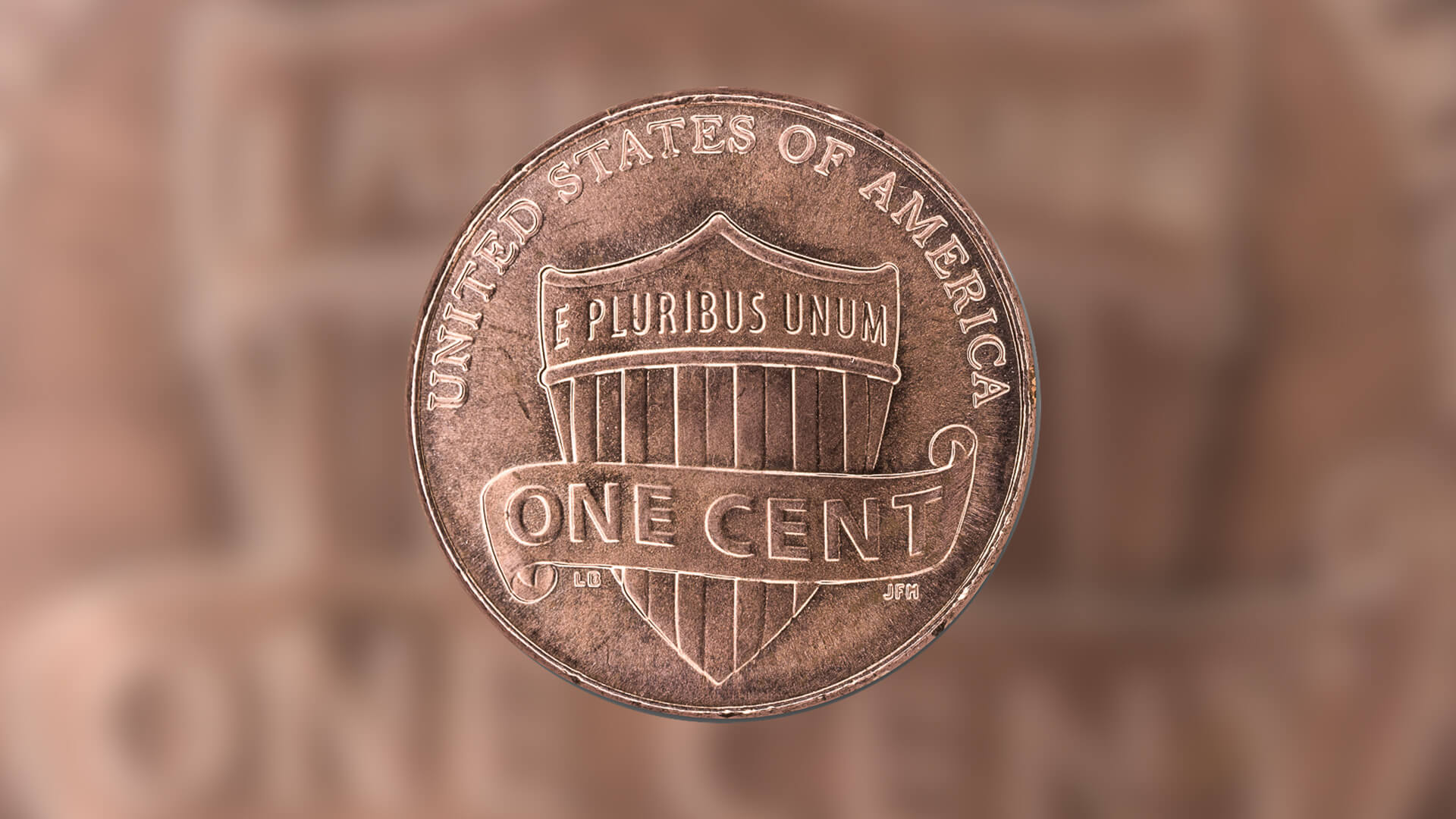 The Union Shield Is an Ode to Lincoln

In 2010, a new design was introduced on the back of the penny: the Union shield. The shield has been used on many medals and currency over the years, including the 2- and 5-cent coins. However, this time it was used to commemorate Lincoln’s preservation of the U.S. as a single country. 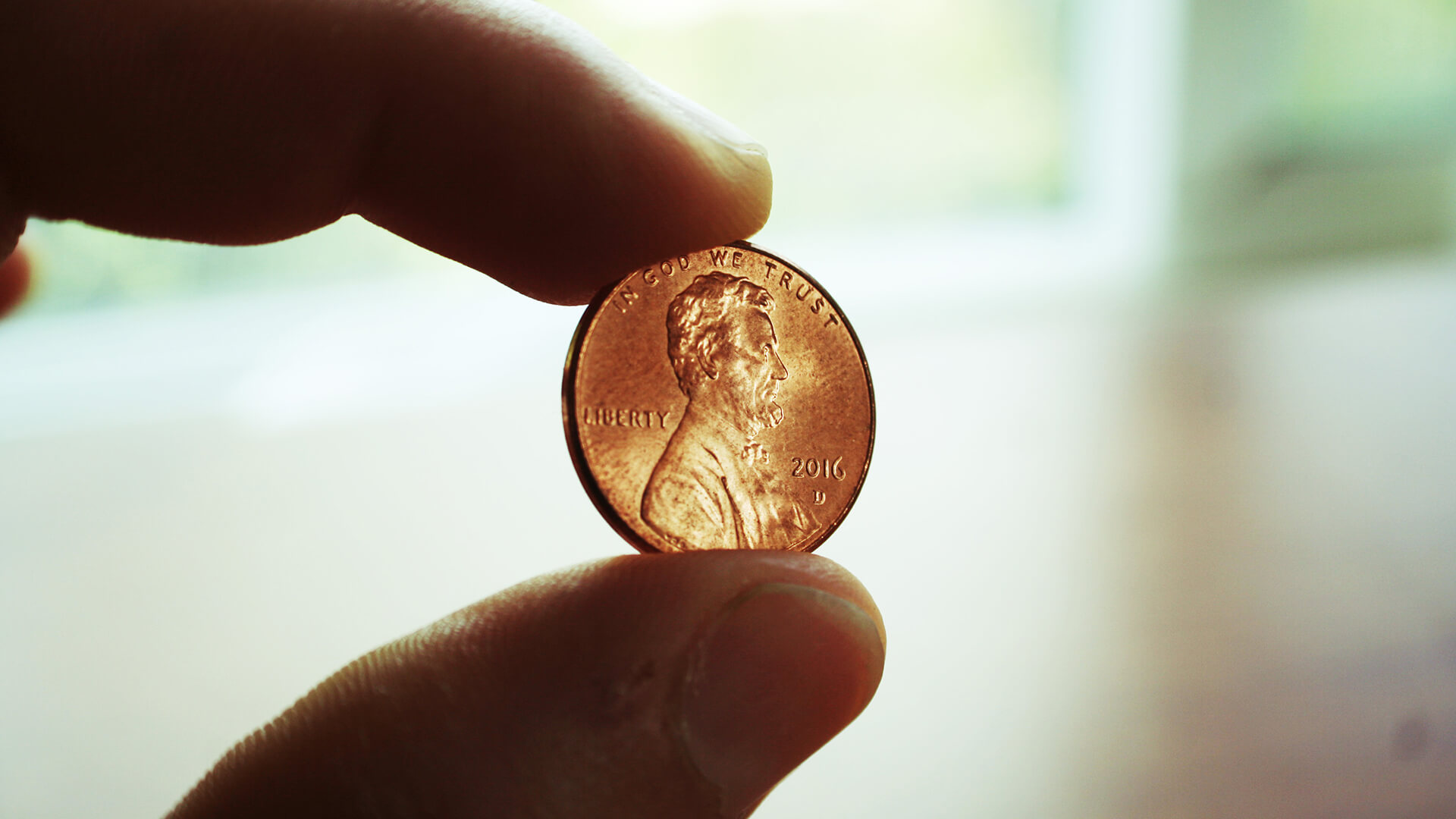 Americans Didn’t Come Up With the Term ‘Penny-Pinching’

The term “penny-pinching” was not — pardon the pun — coined by Americans. It was first used in Tomas Dekker’s play, “Shoemaker’s Holiday” in 1600, and it was around long before America was officially founded. The phrase didn’t catch on in the U.S. until the 20th century, more than 100 years after the penny was introduced to Americans. 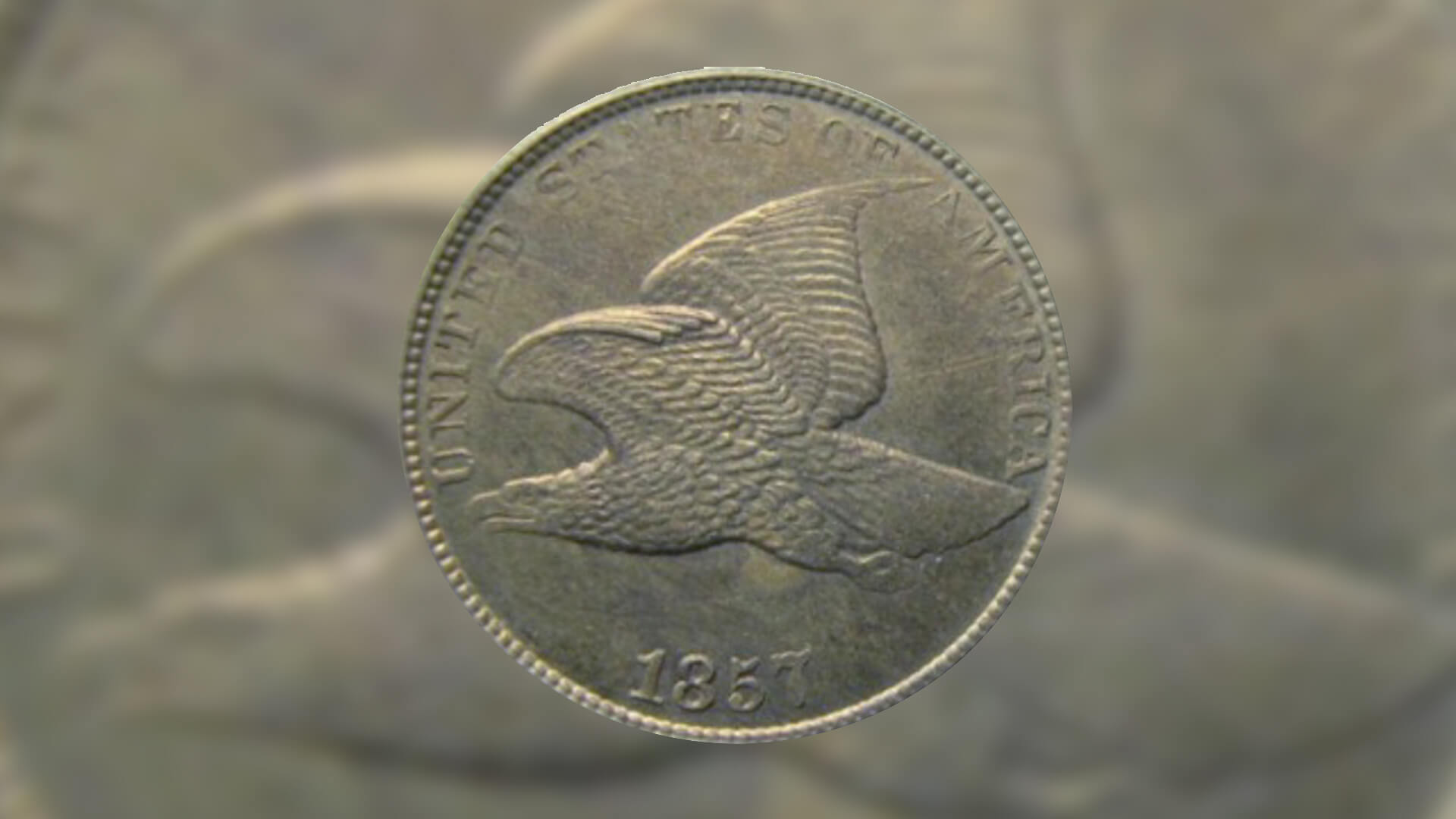 Before the pennies we know today, there were “white cents.” Their metal composition made them white in appearance. The coins were 88 parts copper and 12 parts nickel. 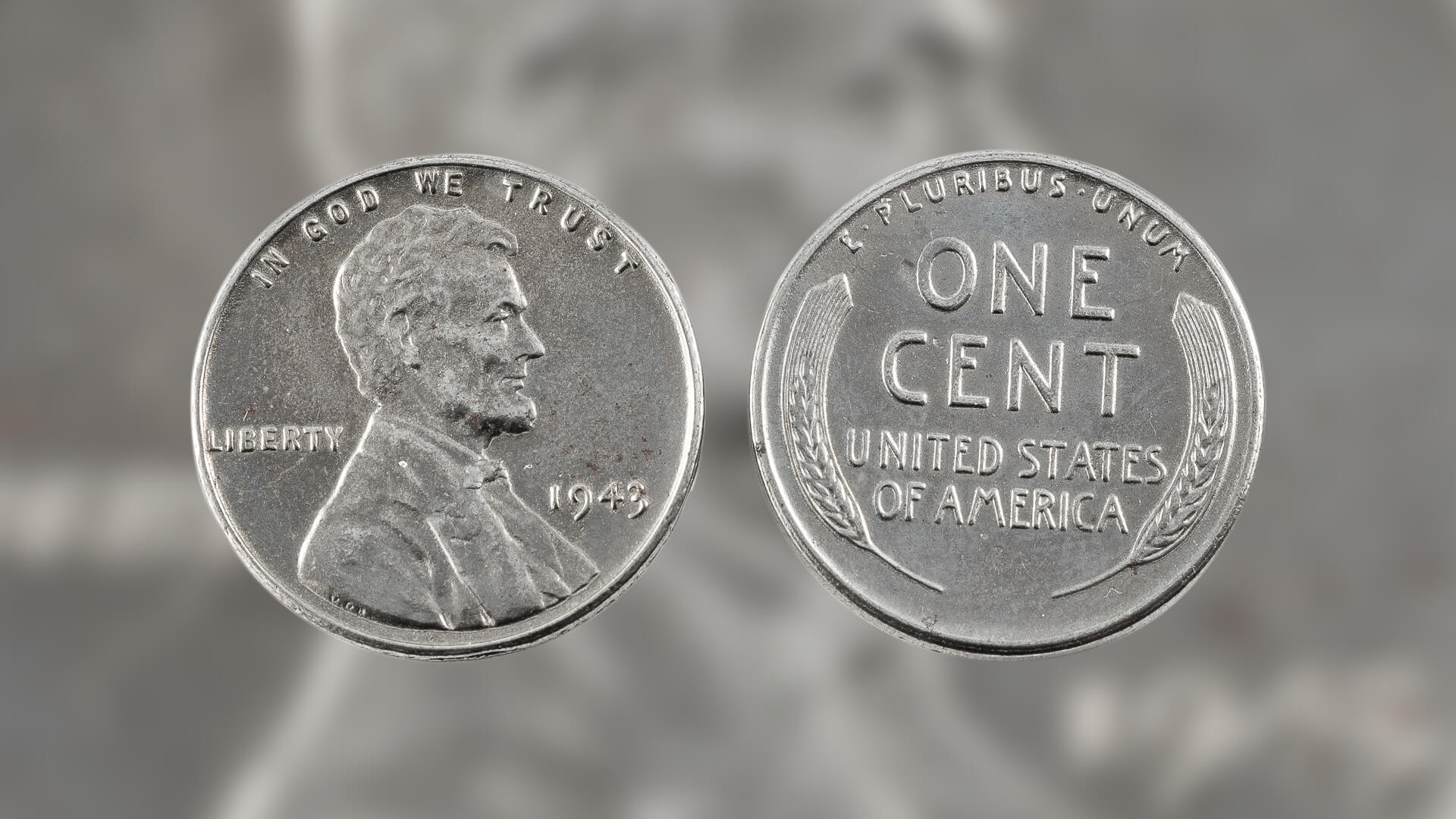 Pennies and Dimes Were Once Confused With Each Other

In 1943, copper was needed for war materials, so pennies needed to be made out of a new metallic element. The U.S. decided to make them out of zinc-coated steel instead. Since the color was silvery, the coins were often confused with dimes. 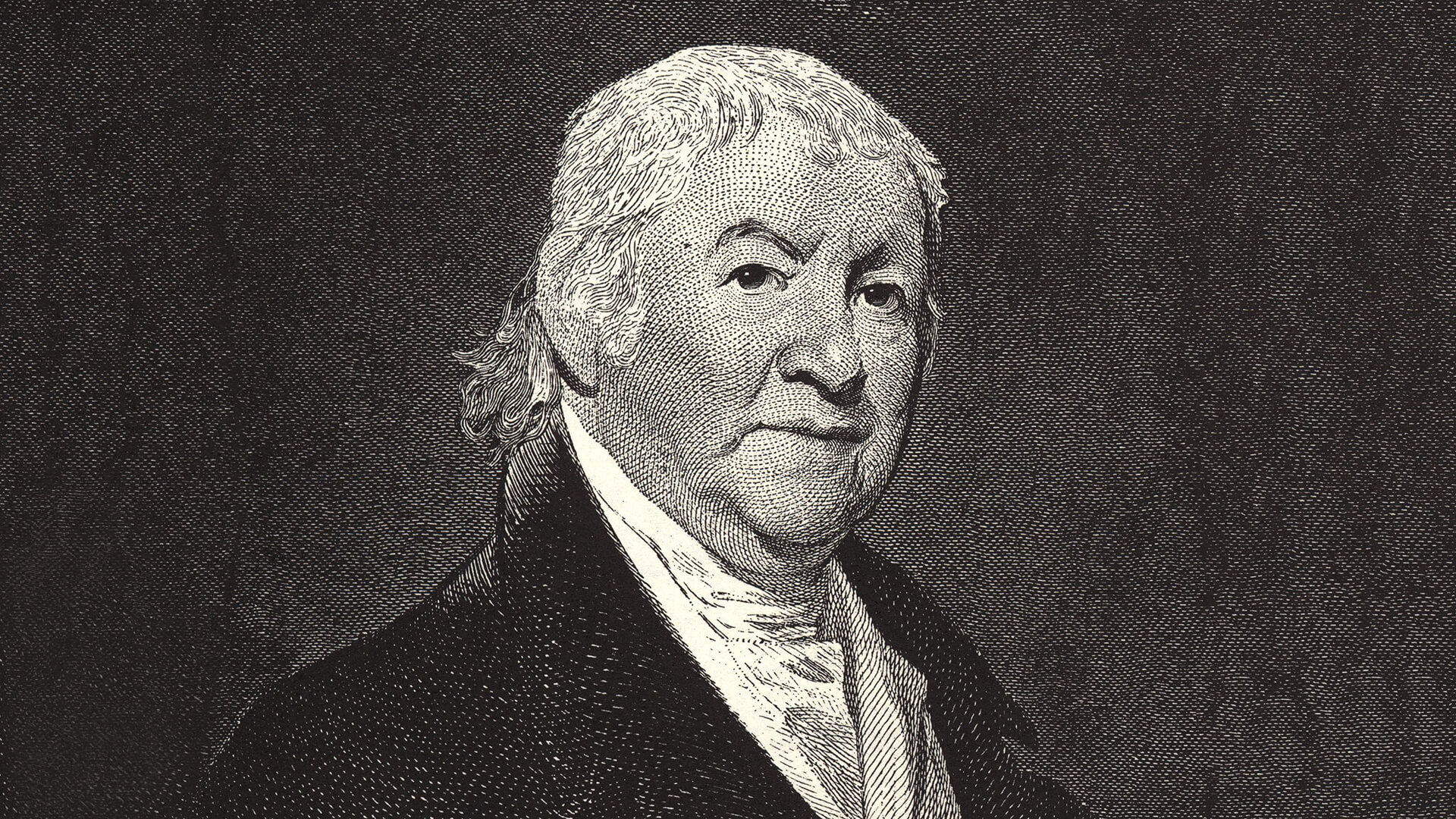 Paul Revere Helped Make Some of the Country’s Pennies

Some might not realize that Paul Revere was a silversmith. In fact, he had his own metals company that once supplied the U.S. Mint with rolled copper to make 1-cent coins. 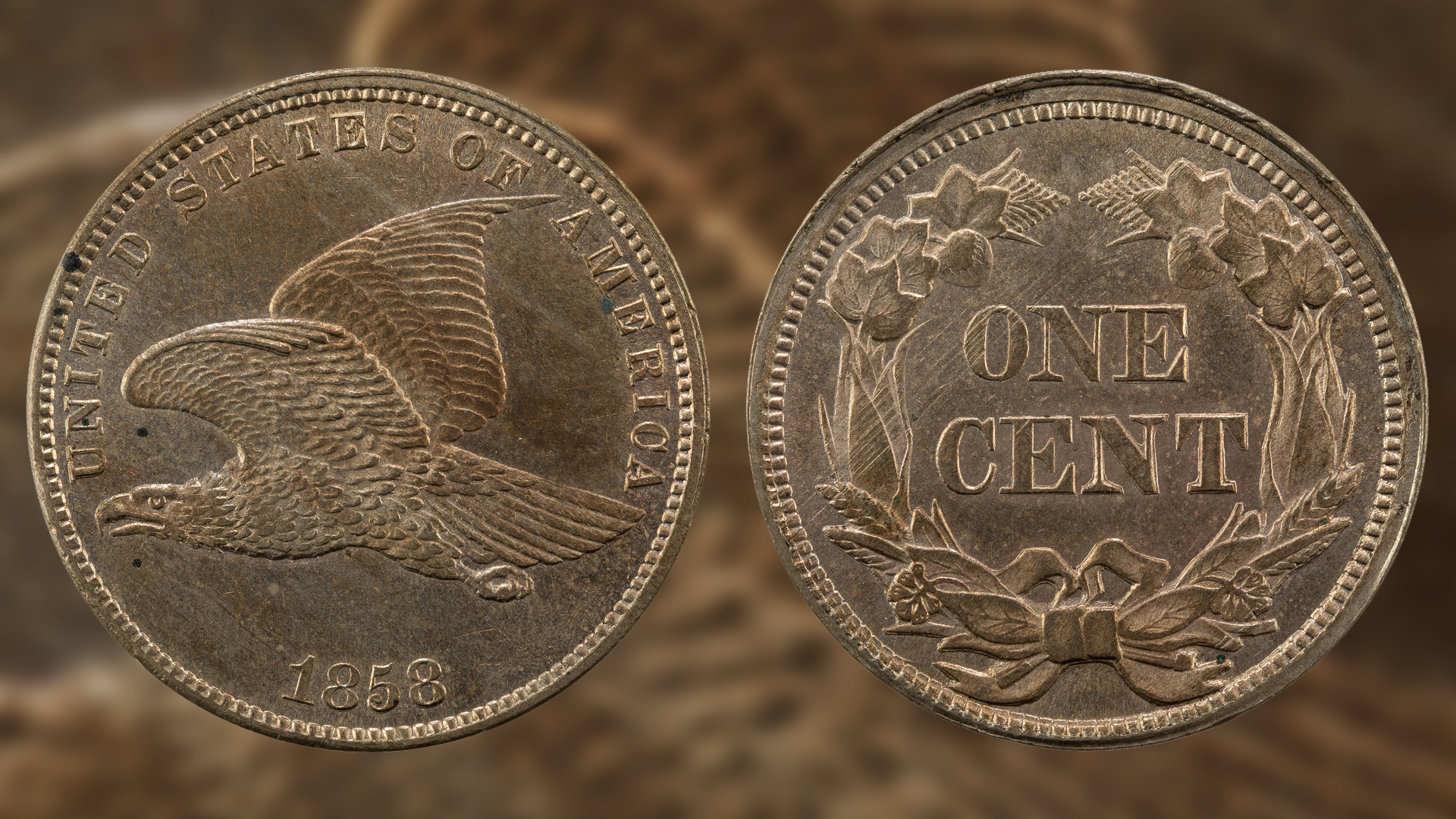 In 1857, as the country shifted from the pure copper Miss Liberty coin to a smaller, copper-nickel coin with an eagle on the front, Congress decided to ban the use of foreign currency. Previously, money from other countries had regularly been used. 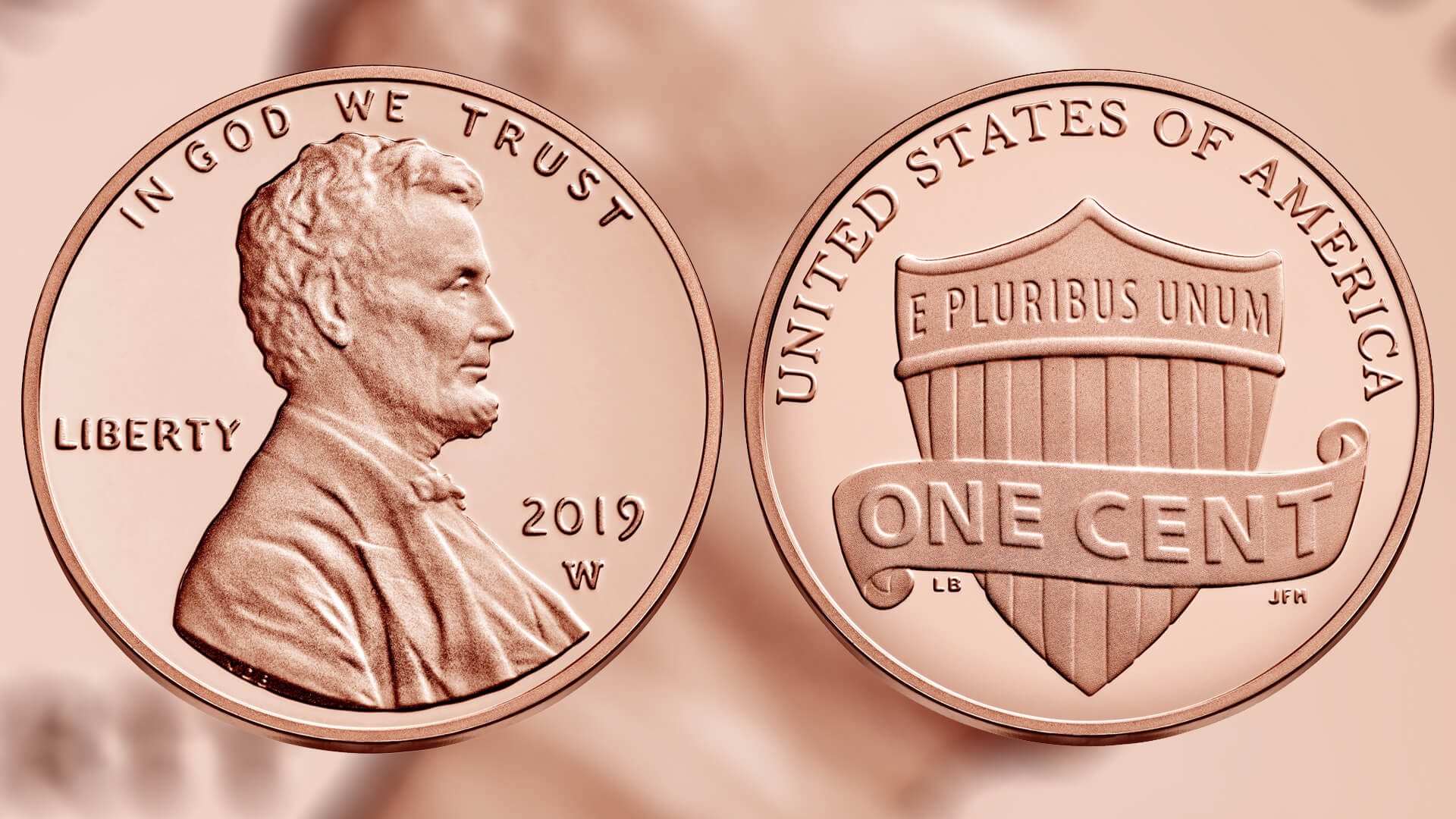 You Can Get a Special Penny This Year

This year, the U.S. Mint is selling The 2019 United States Mint Proof Set, which includes a special edition 2019 Lincoln penny with a “W” mint mark. The “W” indicates that the coin was made at the West Point Mint in New York.

More on the Economy

Priscilla Aguilera contributed to the reporting for this article.