19 Sequels That Made Much More Than the First Film 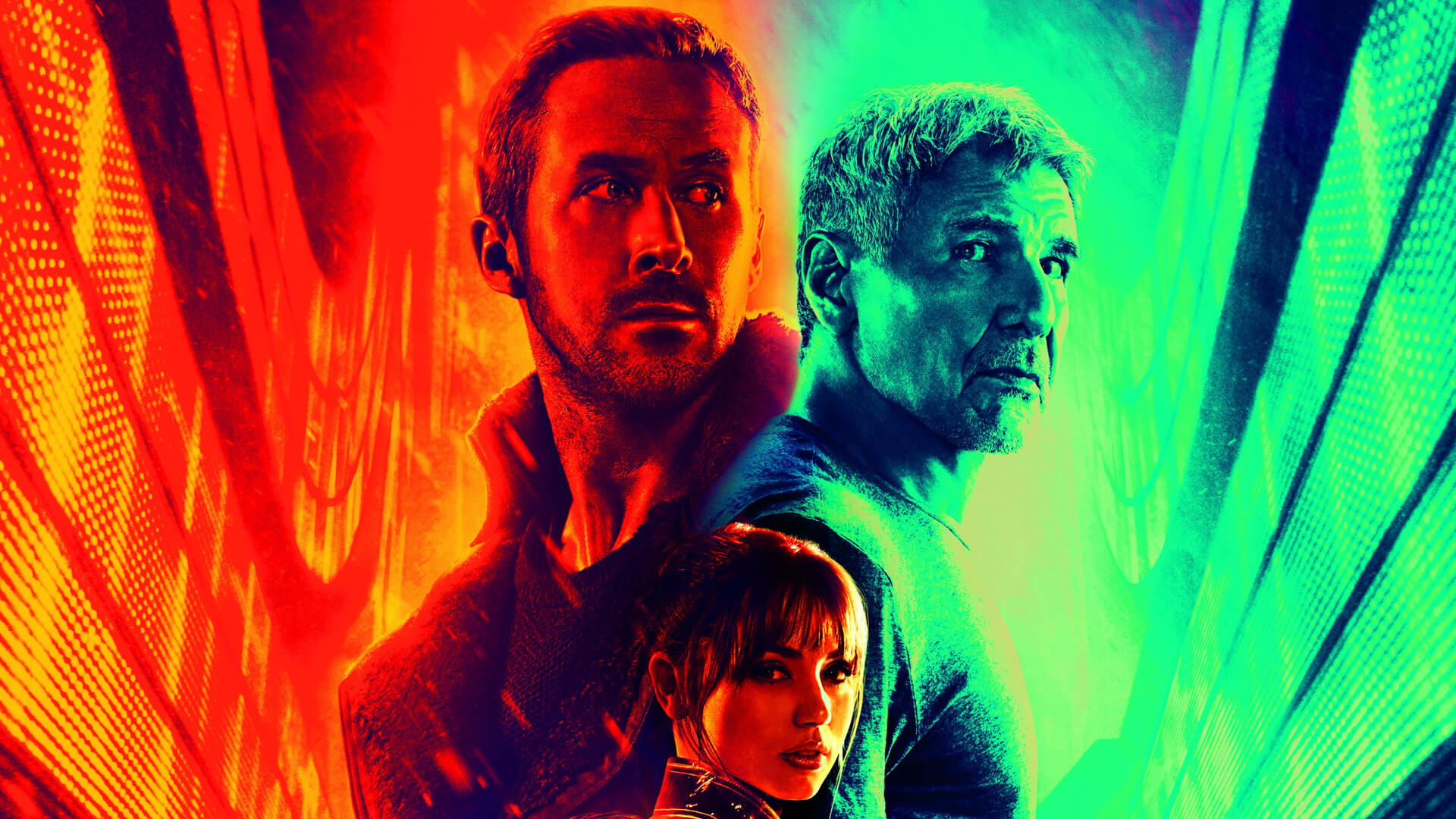 People might groan at the mention of a movie sequel, especially if the first film was a beloved cinematic classic. But major movie studios love producing follow-up films to some of Hollywood’s most successful blockbusters in hopes of breaking box office numbers again. Sometimes sequels don’t stand a chance at the box office and film critics often deem these follow-ups as unoriginal. That might not be the case for all movie sequels, however.

In some cases, the second film does considerably better than its predecessor in box-office sales; such is the case with the Disney animated movie “Finding Dory.” The undersea-themed animation made over $140 million more than “Finding Nemo,” and it’s not the only sequel that has successfully blown past the first. In fact, six of the 10 worldwide top-grossing films of all time are sequels, according to Box Office Mojo. Whether the critics loved these films or not, they hit big at the box office. 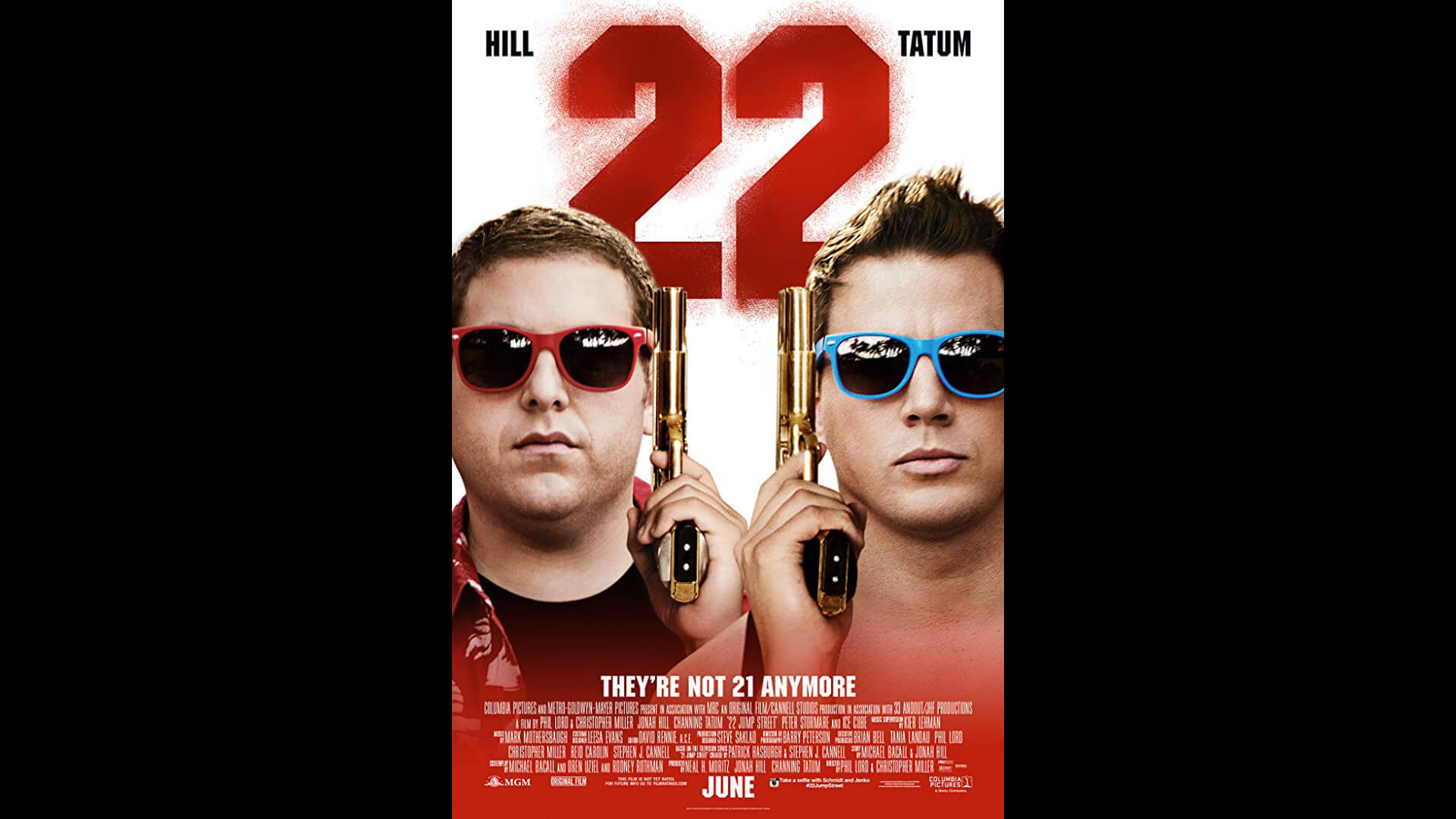 The “21 Jump Street” theatrical franchise is a big-screen adaptation of the ’80s TV series of the same name, featuring actors Jonah Hill (Schmidt) and Channing Tatum (Jenko). The sequel, “22 Jump Street,” revolves around a new investigative case that requires the two to go undercover at a college to find a supplier of a new drug.

Film reviews helped the success of the sequel: According to a HuffPost article, the film was “a sequel done right.” At the time of the release, the sequel also received a 94% (now an 84%) rating on film review website Rotten Tomatoes, which drove more hype. “22 Jump Street” made $53.3 million more than the first film, and that is impressive in comparison with the first film. 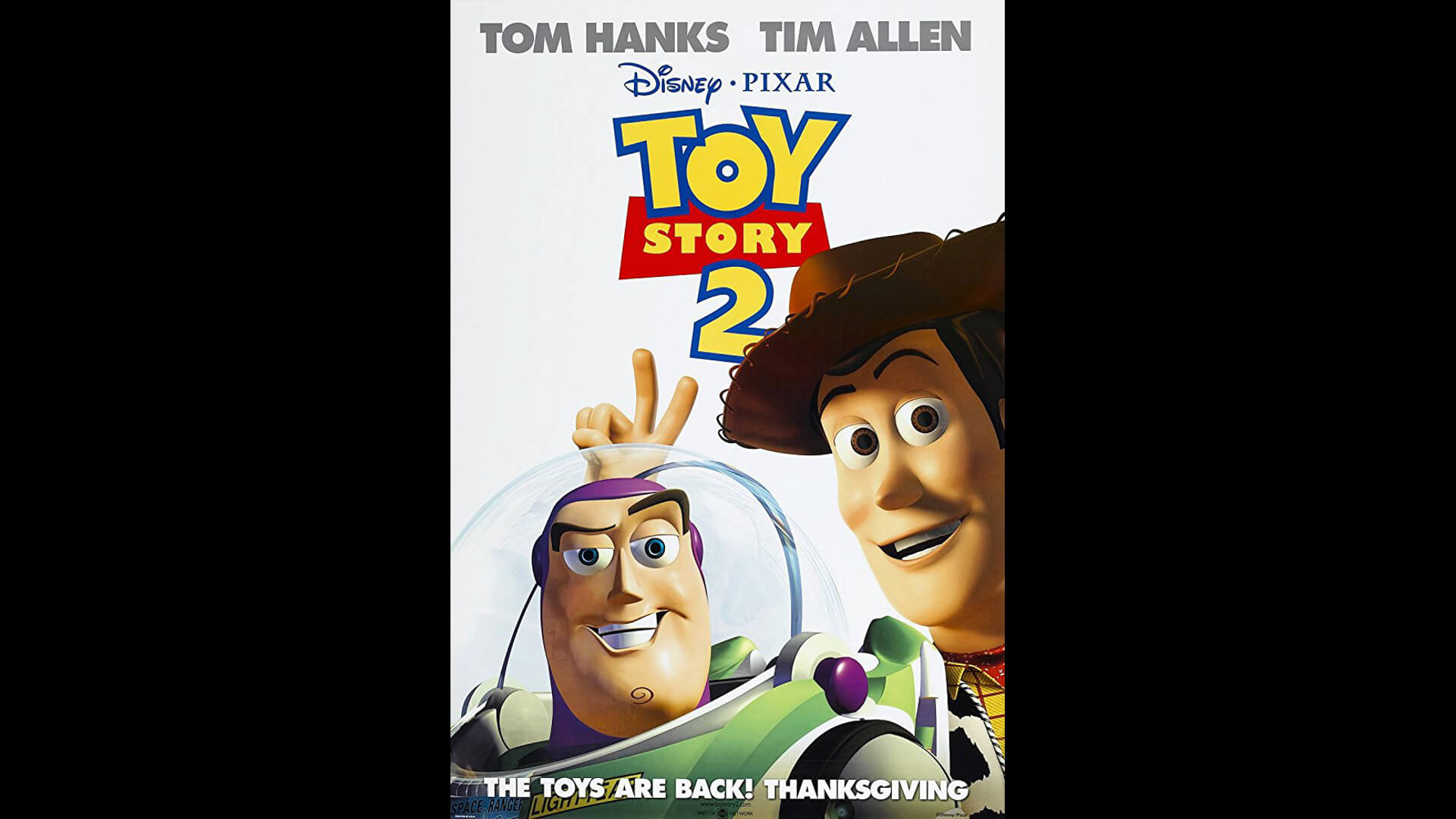 The beloved “Toy Story” franchise has warmed hearts and childhoods since the release of the first film in 1995. The Pixar film revolves around a world where toys pretend to be lifeless when humans are present, but secretly live a life full of movement and drama.

“Toy Story 2” was wildly successful because of its predecessor. The first movie had already grown a fan base, established characters and built a story line that was remarkably hilarious. This drove the franchise’s sequel to hit big not just in the box office, but with the production of more Toy Story-inspired merchandise. 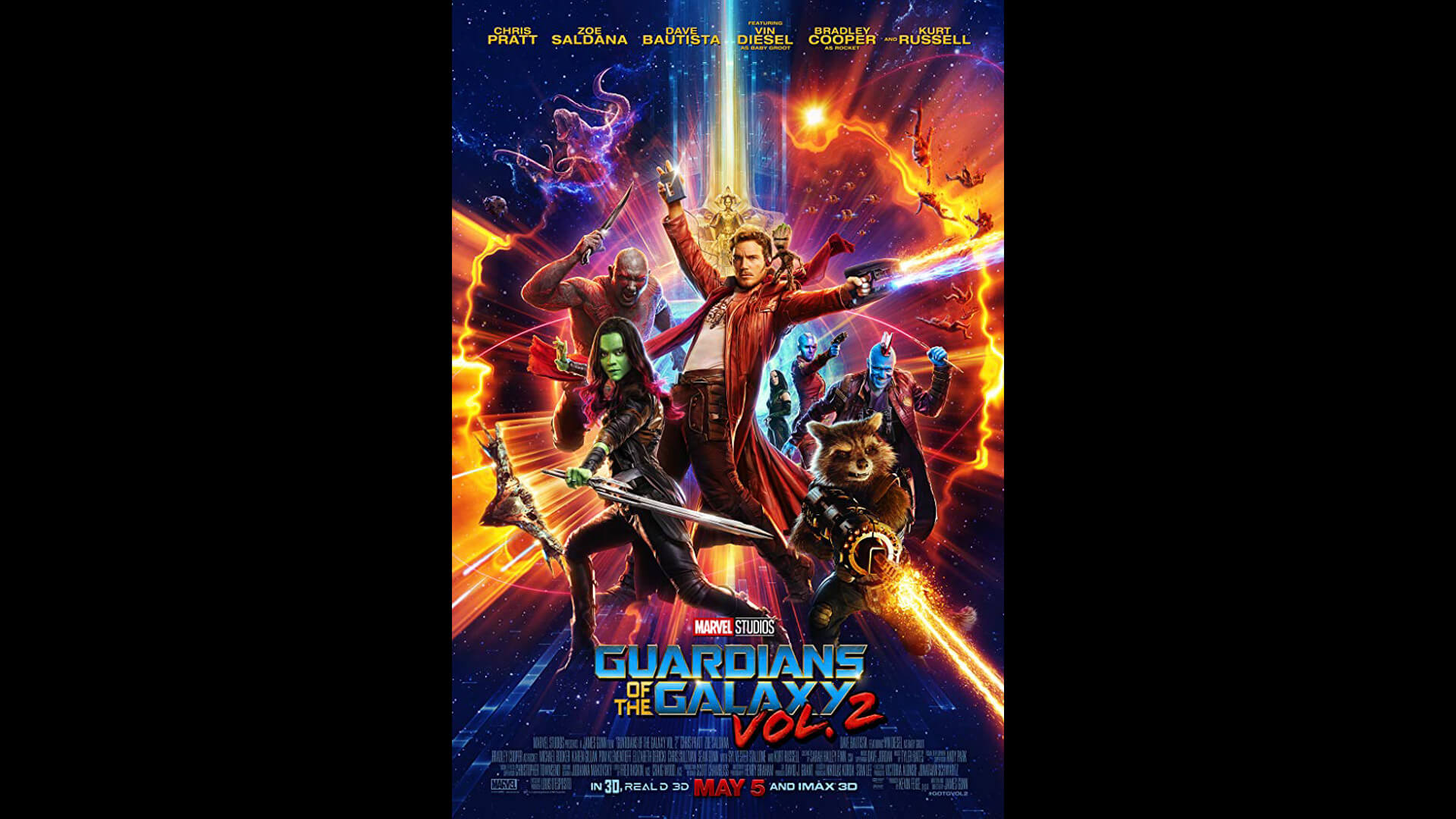 'Guardians of the Galaxy Vol. 2' 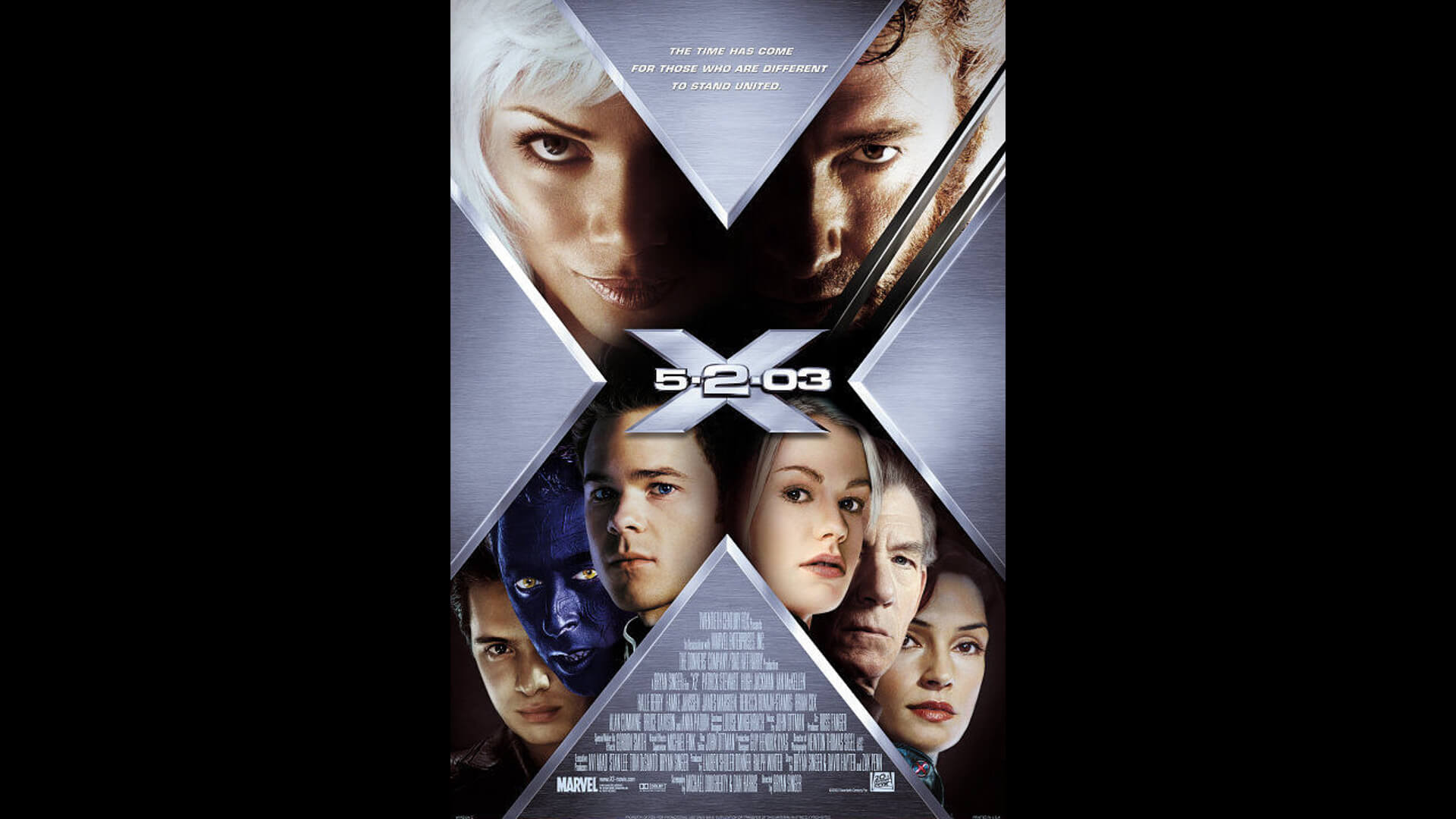 “X-Men” introduced us to a fictional superhero team of “mutants” in the Marvel Comics world. The first film was important to the series because it was the introduction of Wolverine (Hugh Jackman) and Rogue (Anna Paquin), as well as an intro into the conflicted battle between Professor Xavier’s (Patrick Stewart) X-Men and Magneto’s (Ian Mckellan) evil team. The first film’s foundation essentially warranted the success of the second film, “X2: X-Men United,” and with a well-established fan base from the comic franchise, the sequel was highly anticipated during its initial release. 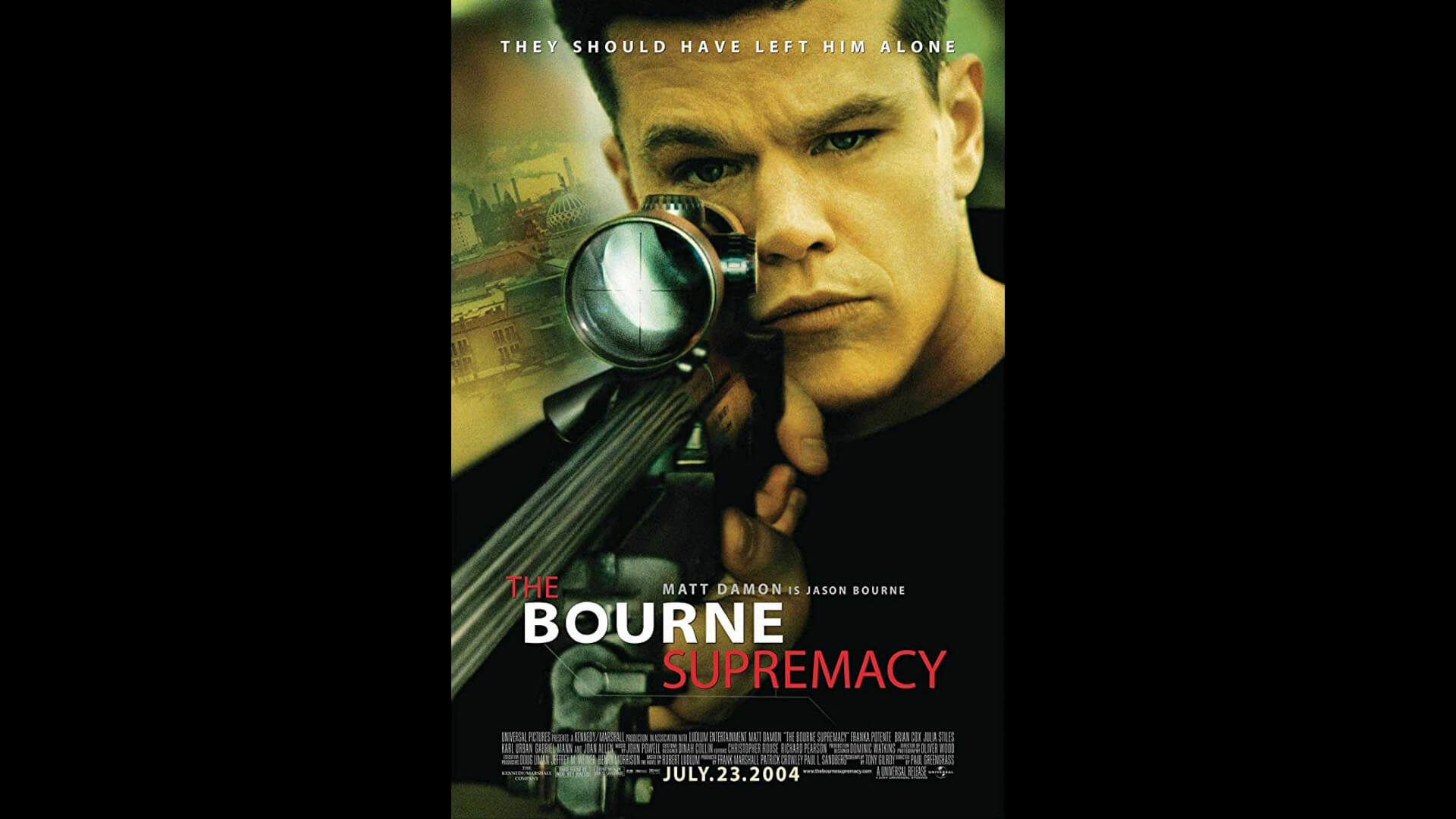 “The Bourne Identity” is an action-packed theatrical franchise built on the basis of Robert Ludlum’s novel of the same name. The first film received positive reviews from well-known movie critics such as Roger Ebert, who gave the movie three out of four stars because “the movie is well-crafted and acted.”

Due to the buzz of the first film, “The Bourne Supremacy” brought in $52.5 million opening weekend. Positive reviews also played a role in the sequel’s success. The buzz from critics helped influence avid moviegoers’ interests. The New Yorker’s David Denby stated that the sequel “is incredibly skilled — much more exciting than its predecessor.” 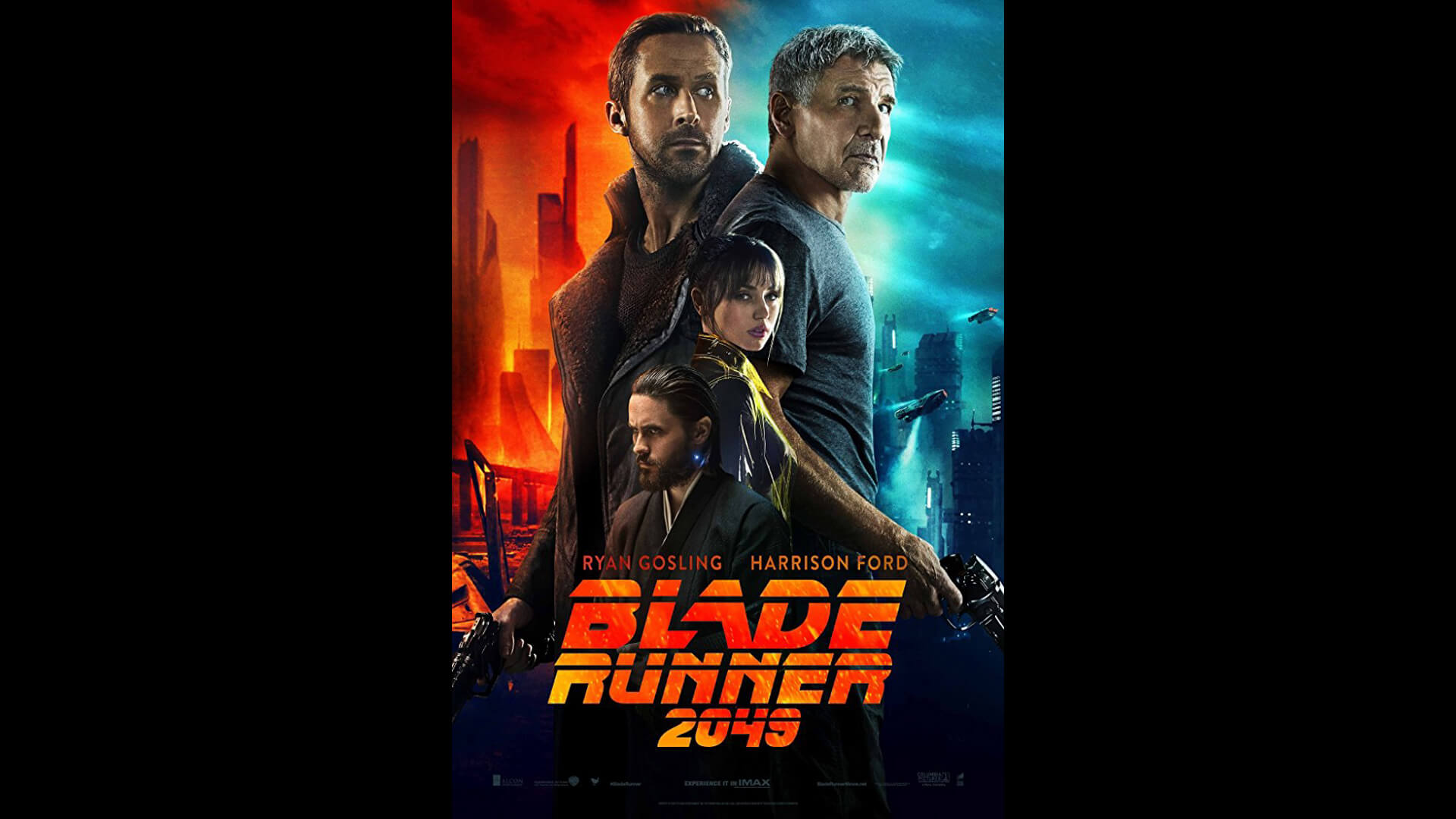 The very first “Blade Runner” was released in 1982 as a neo-noir science-fiction film that starred Harrison Ford as lead character Rick Deckard. The first film received mixed reviews from critics, who said the movie was slow and even nicknamed it “Blade Crawler.” However,  the film gained a cult-like following. The film’s impact was recognized in the early ’90s when Warner Bros rereleased it with a director’s cut and minor changes.

But in 2007, when the film’s director, Ridley Scott, released his final cut of the film, it caused a resurgence of popularity and anticipation for a movie sequel. Although “Blade Runner 2049” was a long-awaited sequel that made $64.5 million more than its predecessor, it received 30% less than its projected box-office gains. 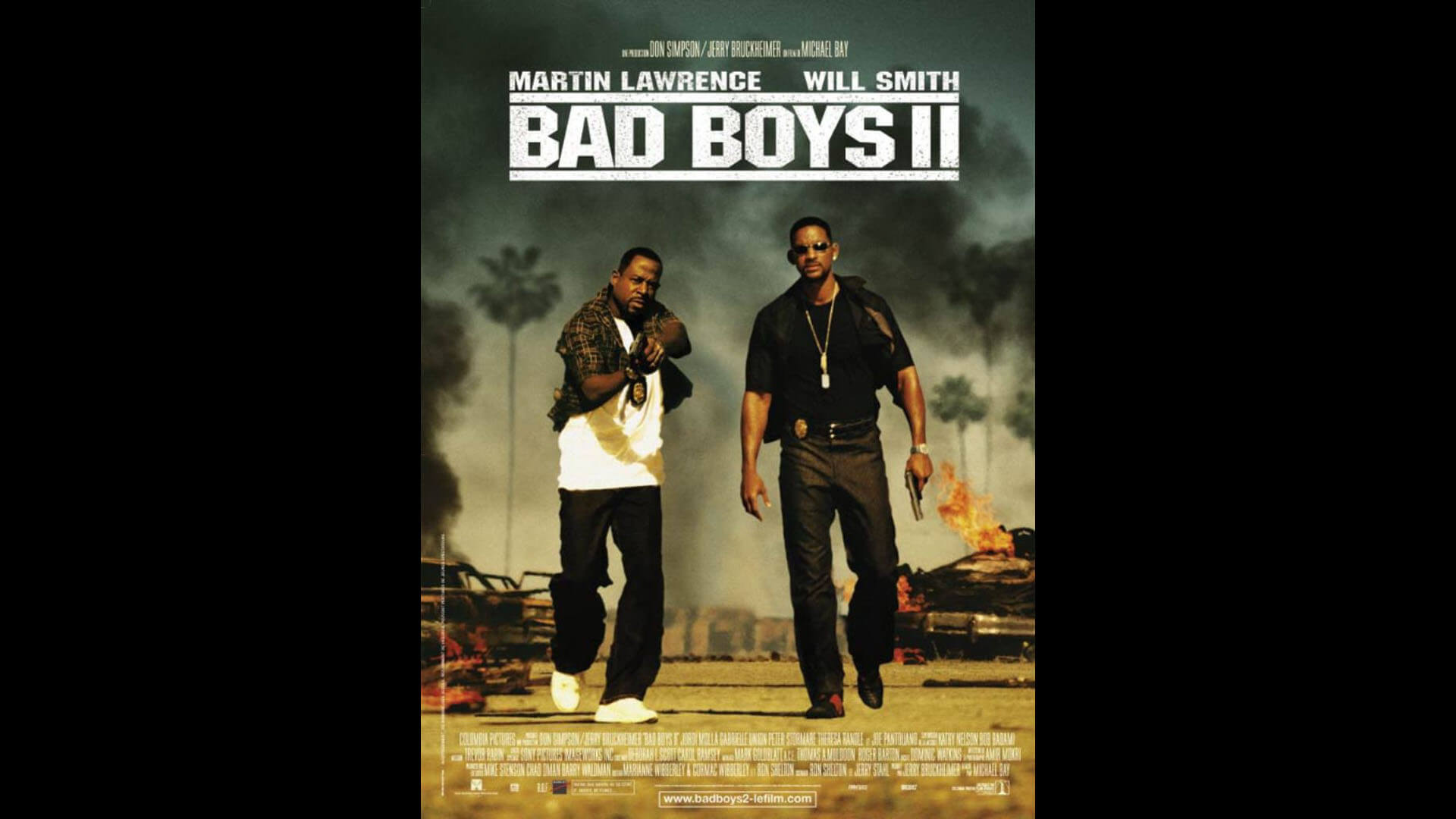 The action-comedy film created by George Gallo stars Will Smith as Mike Lowrey and Martin Lawrence as Marcus Burnett, two detectives in the Miami Police Department who work on the narcotics team. The first installment in the “Bad Boys” franchise did commercially well grossing just about $65.8 million. The sequel followed in 2003 and made $46.5 million its opening weekend. Both films were major blockbusters and made over $414.7 million worldwide. The star power from both films and combined box-office earnings were more than enough reason for the franchise to come out with “Bad Boys For Life” in 2020.

Bad News: The 20 Biggest Box-Office Bombs of All Time 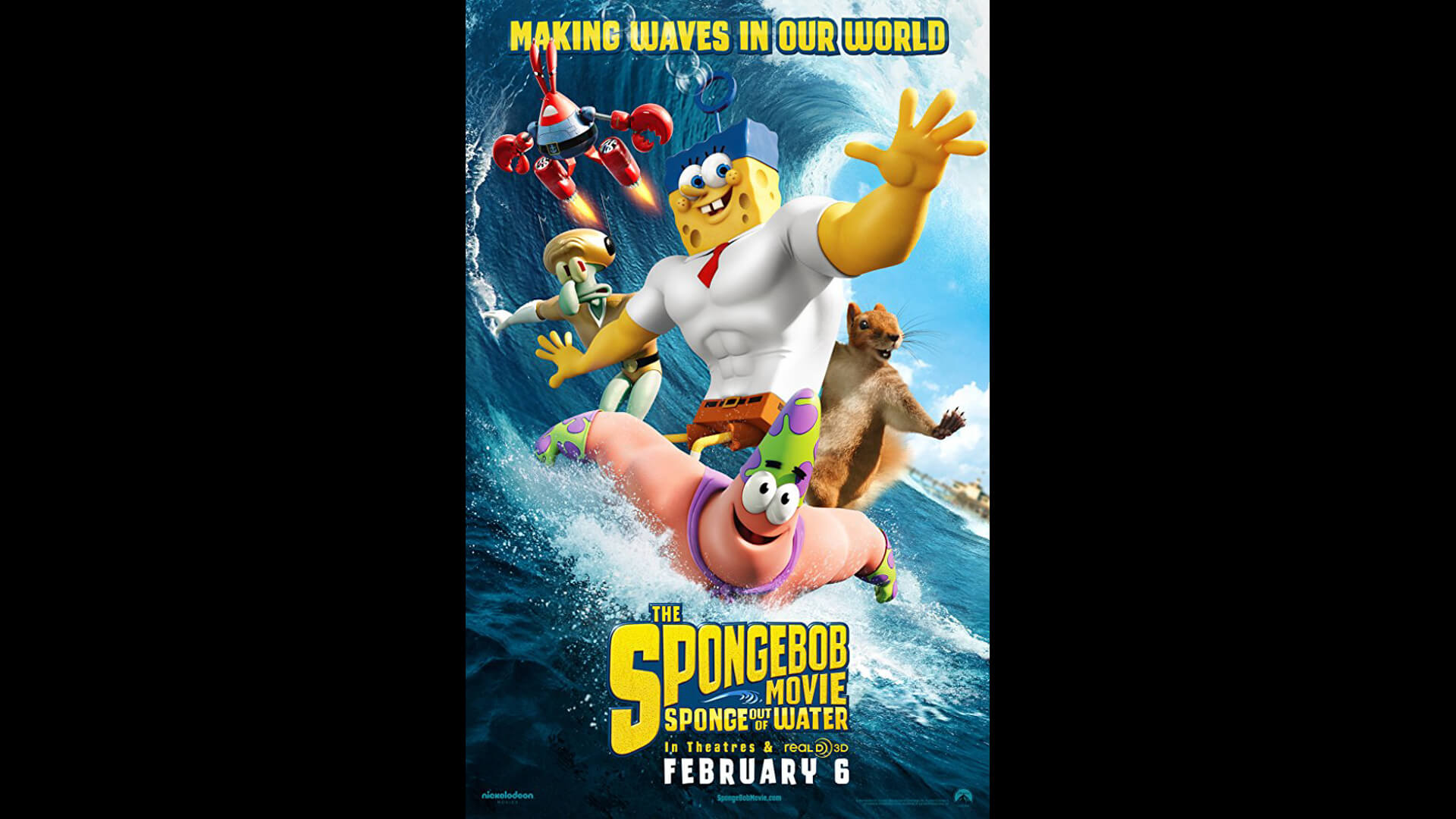 'The SpongeBob Movie: Sponge Out of Water'

A square, yellow sponge named SpongeBob SquarePants has been a household staple in children’s cartoons for the last 20 years. Created in 1999,  Nickelodeon’s “SpongeBob SquarePants” chronicles the adventures of SpongeBob and his underwater friends in the town of Bikini Bottom. The popularity of the TV series made the cartoon a media franchise and, as of 2017, a $13 billion empire, according to The New York Times. The factors of popularity contributed to the widespread success of the cinematic franchise. “The SpongeBob Movie: Sponge Out of Water” outdid the first film in its franchise, and its year-long marketing strategy prior to the film could be the reason for its success. 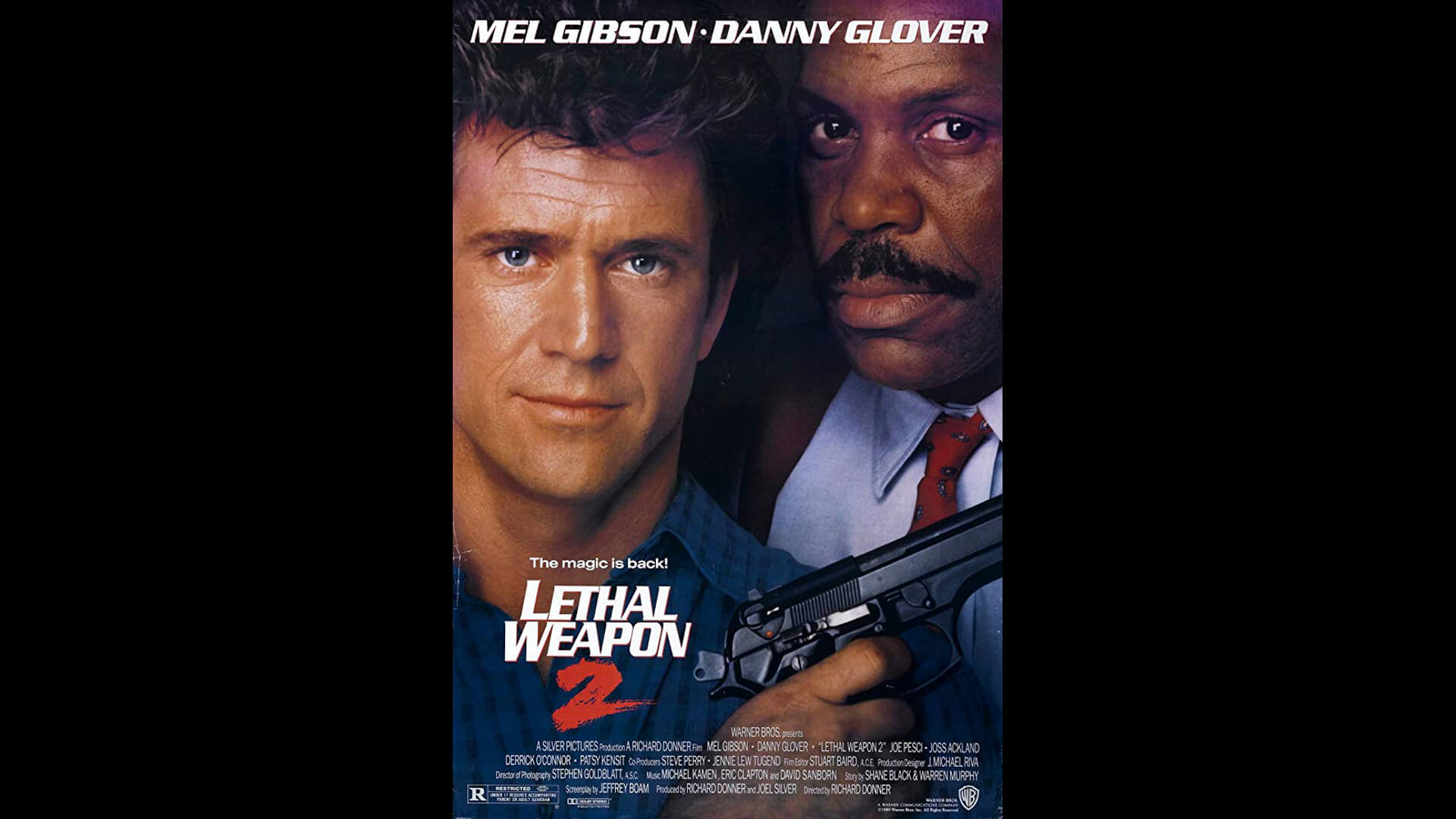 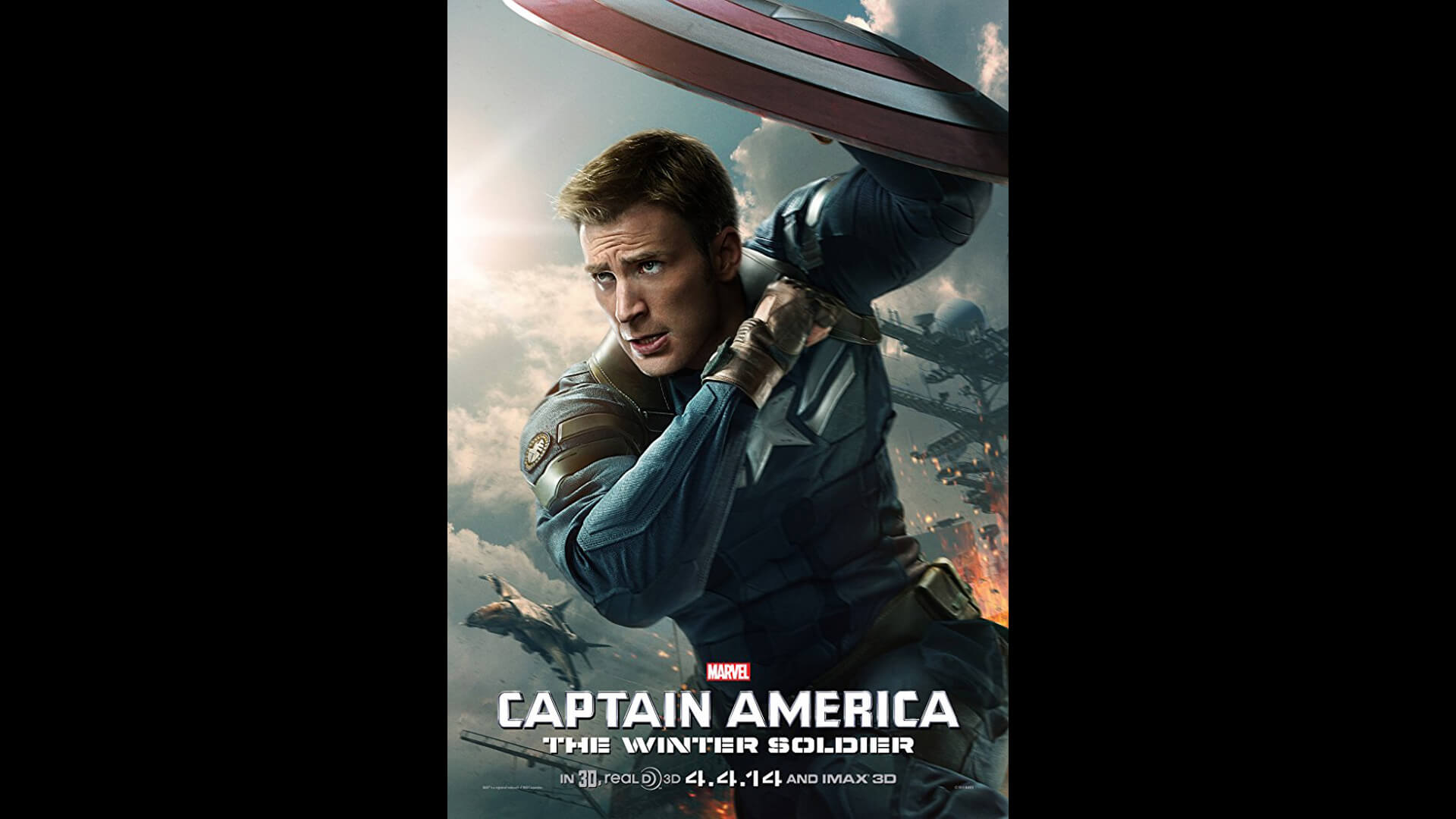 “Captain America: The Winter Soldier” premiered in 2014 as the second installment in the Captain America movie franchise from the Marvel Cinematic Universe. The film made $83.1 million more than the first film, “Captain America: The First Avenger,” which could be due to a mixture of success of marketing efforts that started a year prior to the release at Comic-Con, Disney’s D23 Expo and the loyal fan base of the MCU. 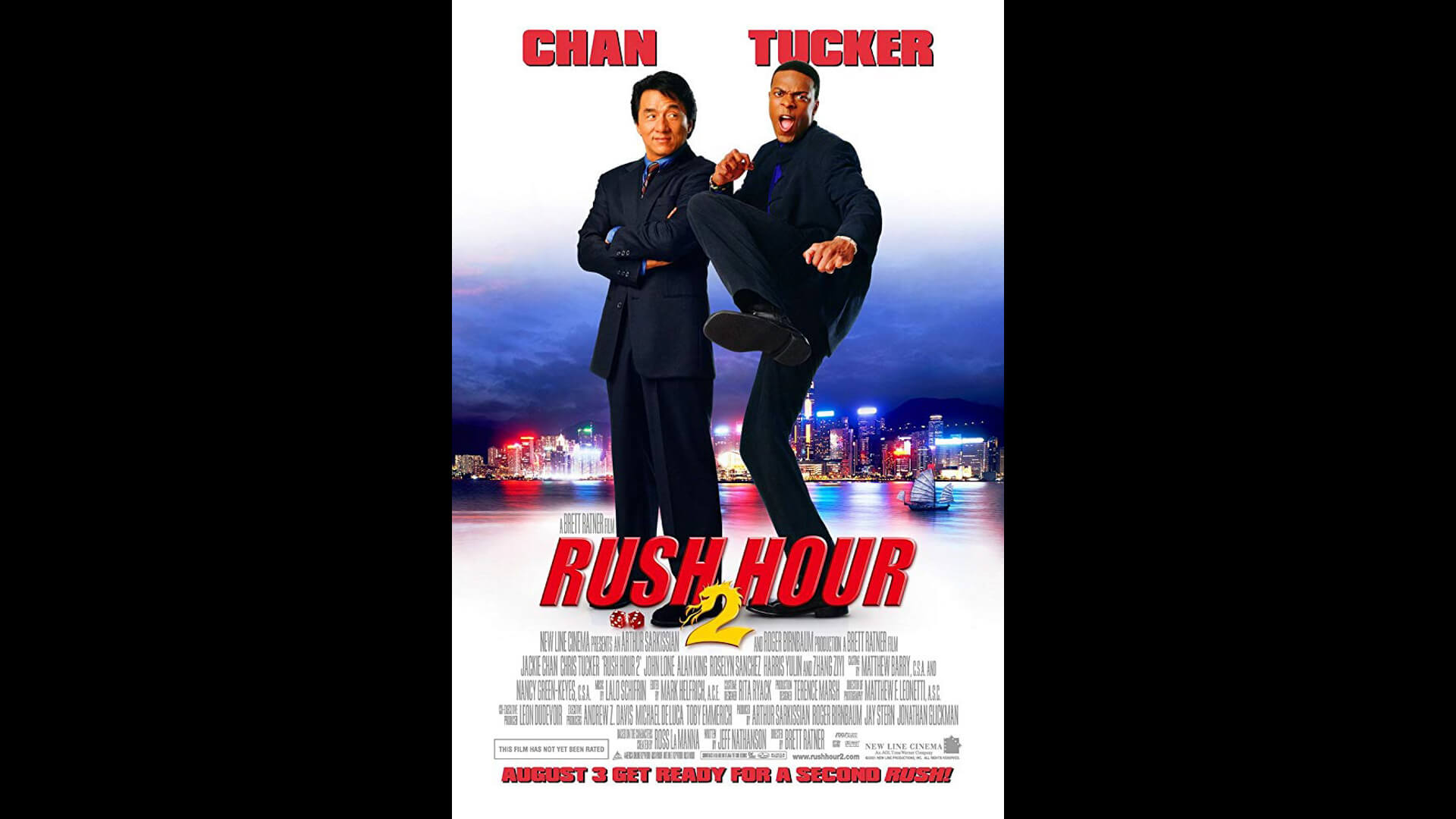 This action-comedy sequel featuring Jackie Chan and Chris Tucker made $85 million more than the first installment and was No. 1 at the box office during its opening weekend. Because of the wide-reaching success of the first film, the series’ fan base anticipated the sequel. “Rush Hour 2” became the second highest-grossing PG-13 film in 2001 and the 11th highest-grossing film worldwide for the same year. 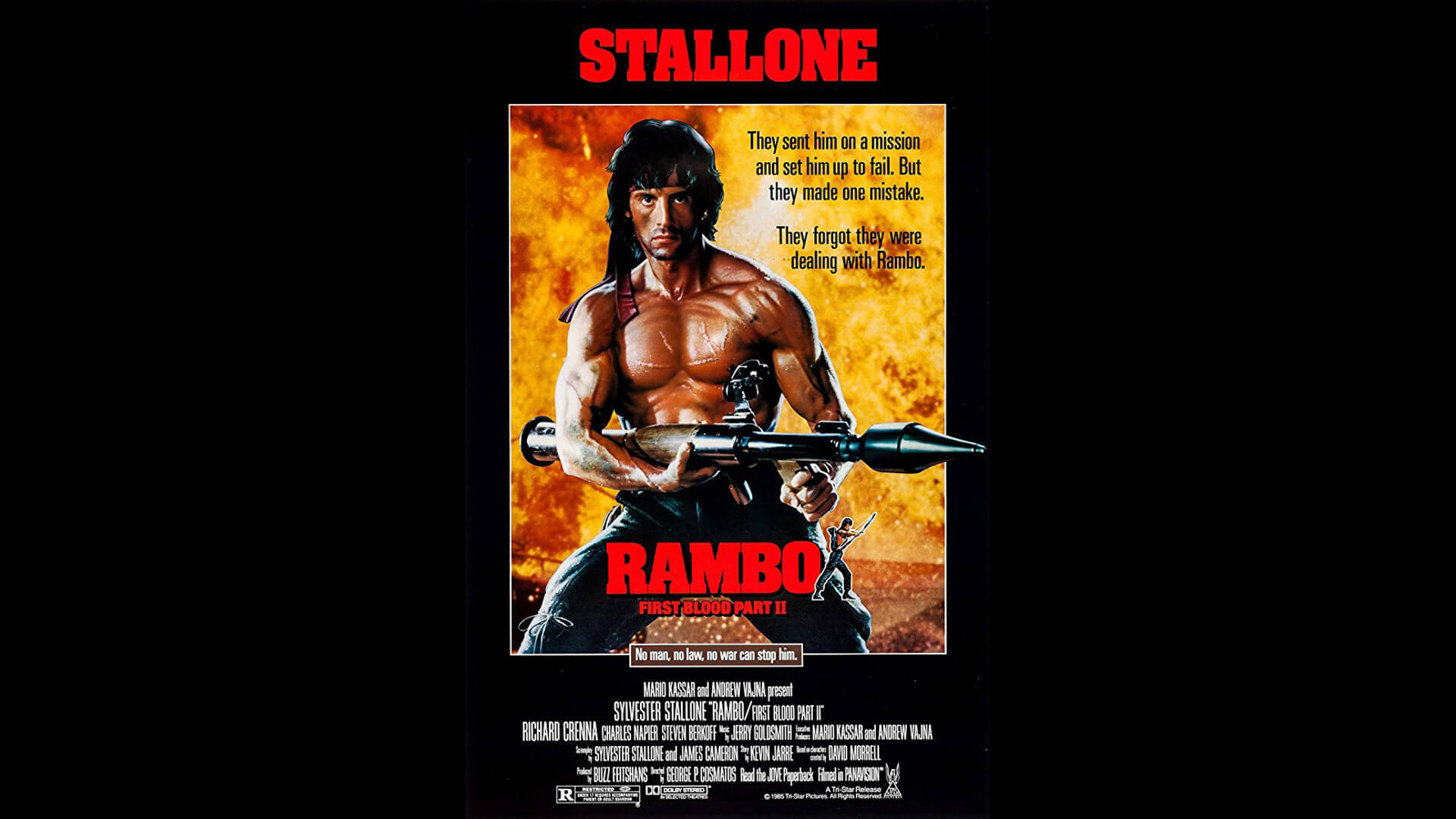 “Rambo: First Blood Part II” is the sequel to the 1982 action film “First Blood” featuring Sylvester Stallone as John Rambo, a Vietnam veteran who lives by his own rules. The sequel made over $100 million more than “First Blood” and played in over 2,000 theatrical screens. The success of the films most likely can be attributed to Sylvester Stallone’s rising stardom in the early ’80s. In the wake of the releases of “First Blood” and “Rambo: First Blood Part II,” Stallone released the third installment to his “Rocky” franchise and was one of Hollywood’s biggest stars. 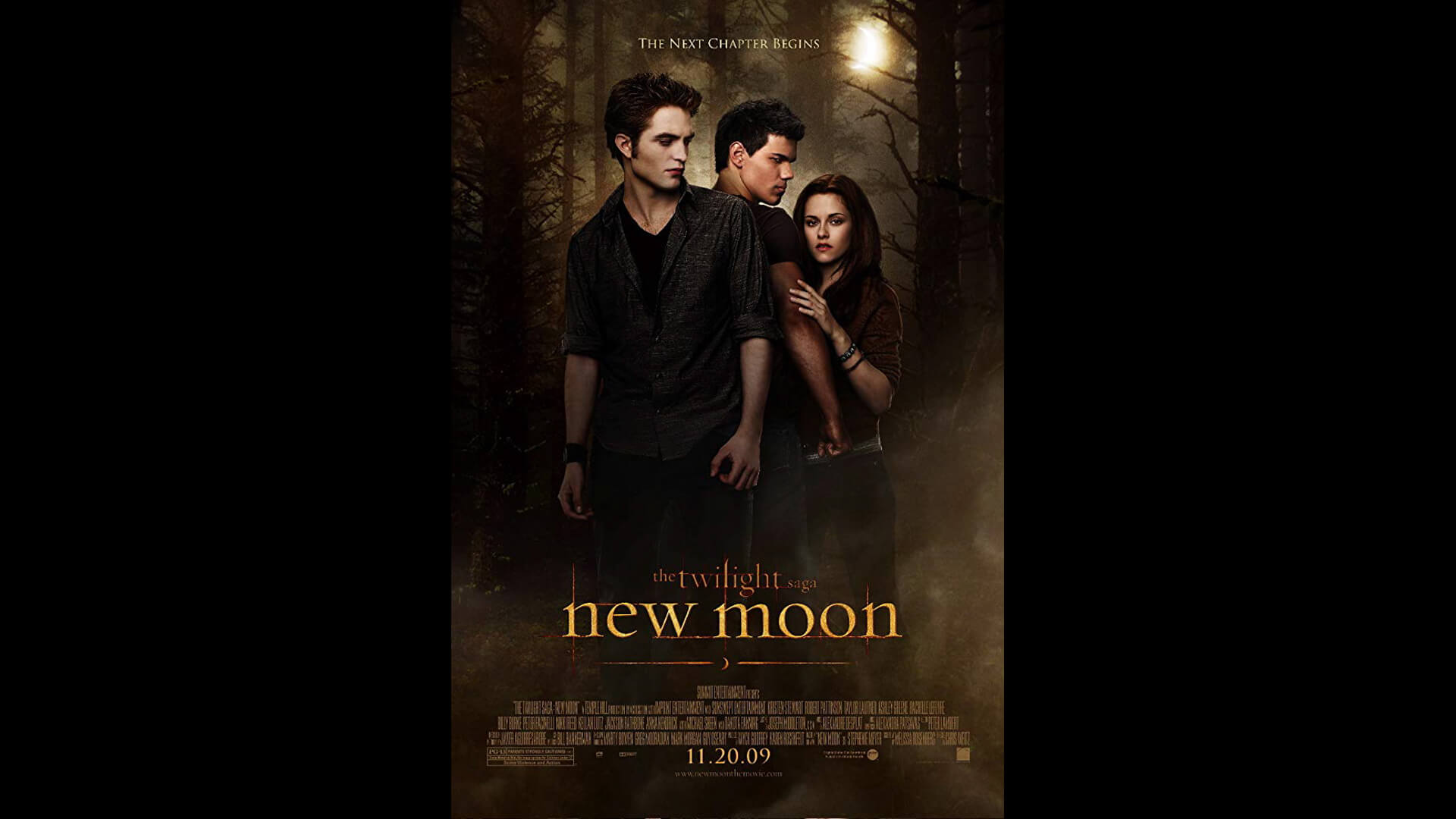 “The Twilight Saga: New Moon” is the sequel to the hugely popular “Twilight,” which is based on the best-selling book series by Stephenie Meyer. The film franchise created a “cultural whirlwind,” according to The Guardian, and had an audience that spanned many ages. From teenagers to “Twilight moms,” the series truly had an audience that grew as the franchise made more movies. That was evident with the sequel, which made over $100 million more than the first film. 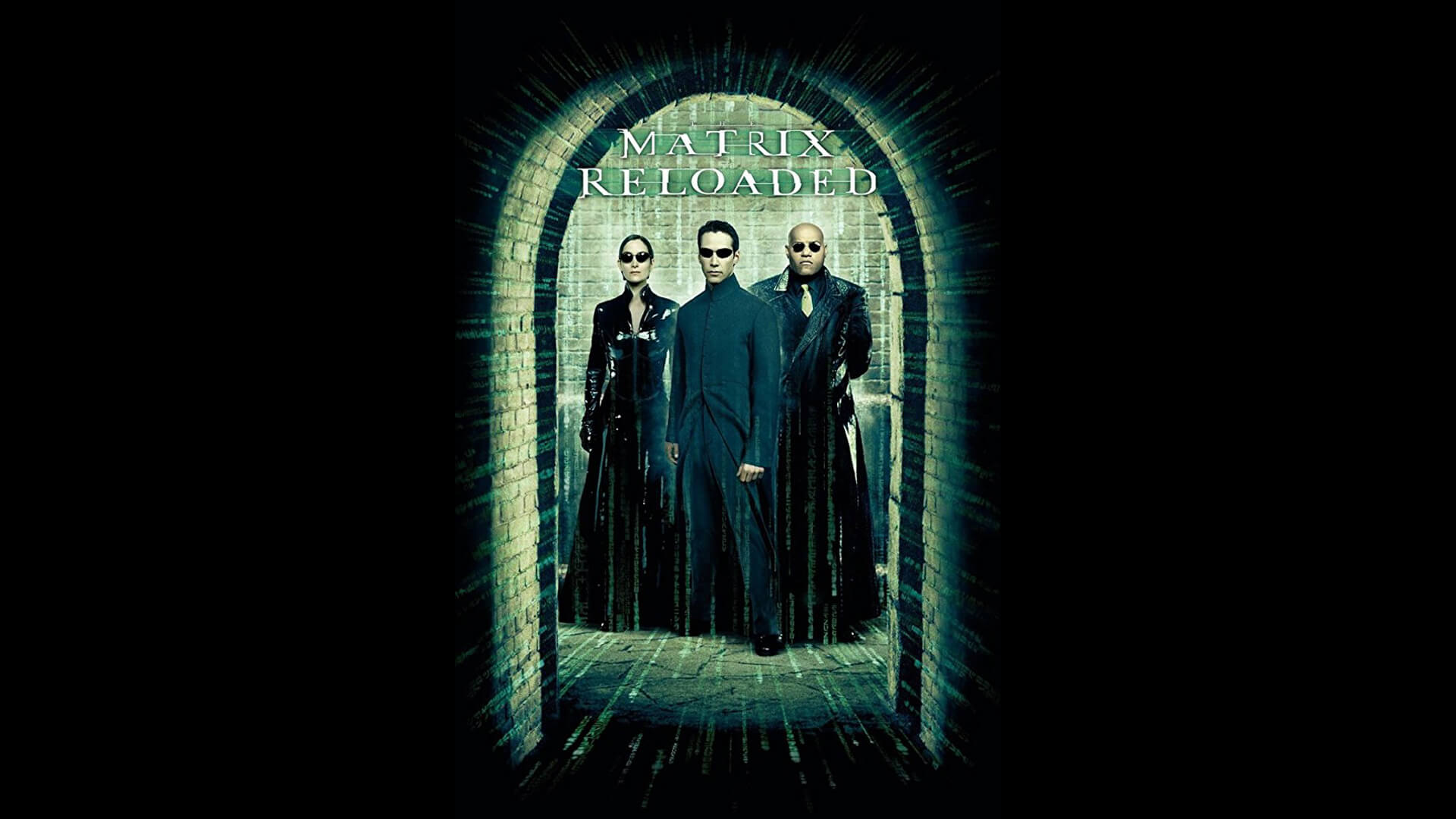 Very few films have duplicated the cinematic wonder and construct of the digital world like “The Matrix.” The dystopian film released in 1999 — known as the age of Y2K — showed how society might cope with the effects of the new millennium and computerized systems. The massive success of the first film paved the way for the production of two sequels: “The Matrix Reloaded” and “The Matrix Revolutions.” The former of the two sequels performed well in box offices, where it made a little over $110 million more than the first film.

Find Out: Critically Acclaimed Movies That Bombed at the Box Office 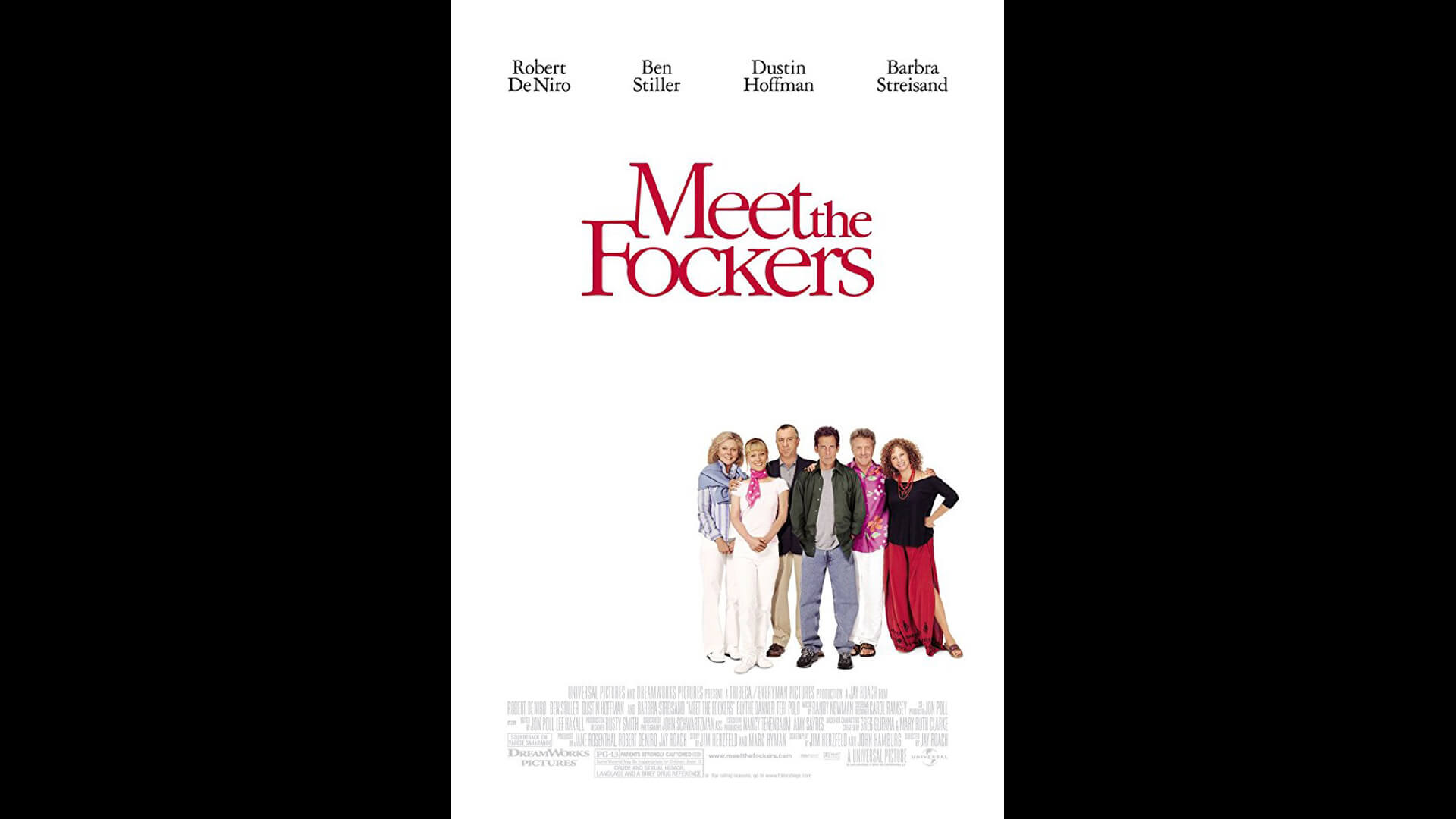 “Meet the Fockers” is the sequel to the hugely successful “Meet the Parents,” which stars Ben Stiller and Teri Polo as an engaged couple who try desperately try to get their two sets of parents become friends. The sequel’s commercial success resulted in its earning over $113 million more than its predecessor. The box-office success wasn’t a surprise: The sequel featured A-list stars Barbara Streisand, Robert DeNiro and Dustin Hoffman. 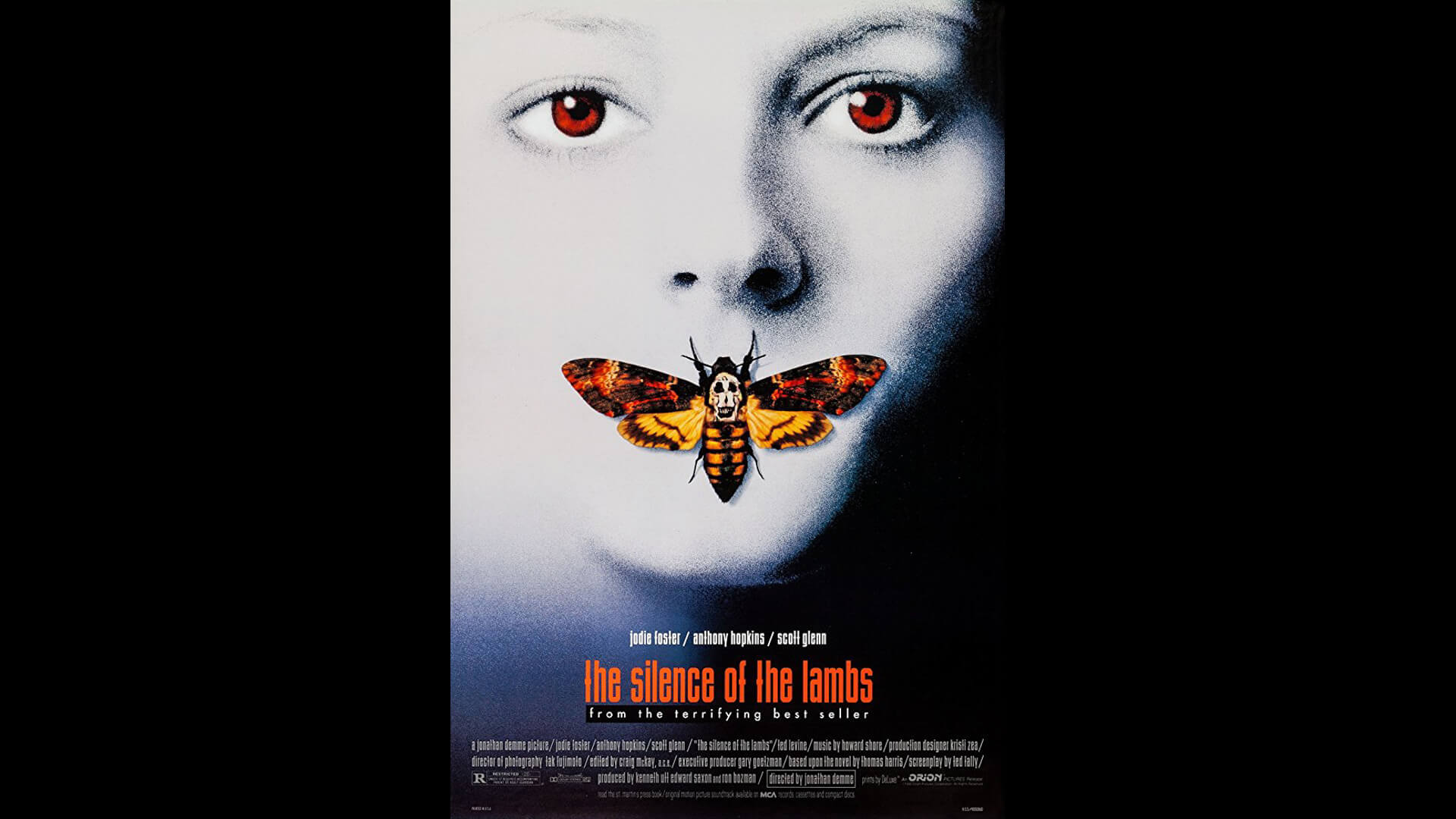 'The Silence of the Lambs'

Before there was “The Silence of the Lambs,” there was the lesser-known 1986 Hannibal Lecter film called “Manhunter” that featured actors Brian Cox and William Petersen. The film was an adaptation of Thomas Harris’ 1981 novel “Red Dragon.” During its release, the film received mixed reviews about its cinematic style, visuals and soundtrack. However, the sequel received the opposite reaction. With a new director and film leads, “The Silence of the Lambs” — which has a 96% rating on Rotten Tomatoes — received rave reviews from critics including Roger Ebert who said the film “invites filmmakers to take chances.”  The positive reviews resulted in the sequel making over $122.1 million more than the first film. 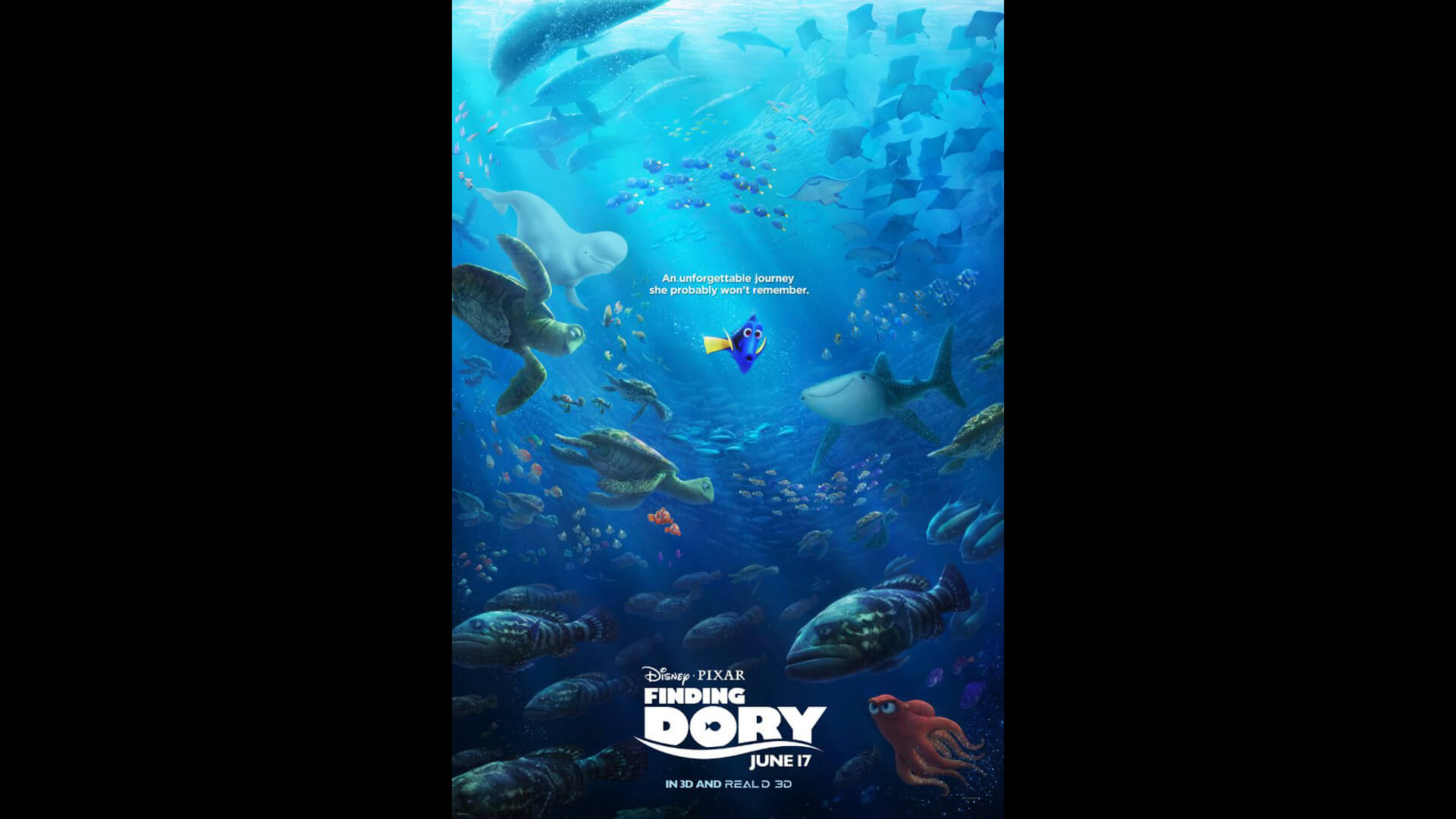 When “Finding Nemo” came out in 2003, the memorable “just keep swimming” phrase from the movie’s bluest fish Dory became the catchphrase for us all in a time of adversity. The Disney Pixar animation was the first in the franchise and an instant hit among film critics, and it now has a 99% approval rating from critics on Rotten Tomatoes. The movie also did extremely well its first weekend, making over $70 million in theaters. The success of “Finding Nemo” and its lovable character Dory ignited the brilliant creation of the sequel. According to Variety, “Finding Dory” created “submersive daydreams for children.” The movie was so much a hit that it made $146.6 million more than its predecessor. 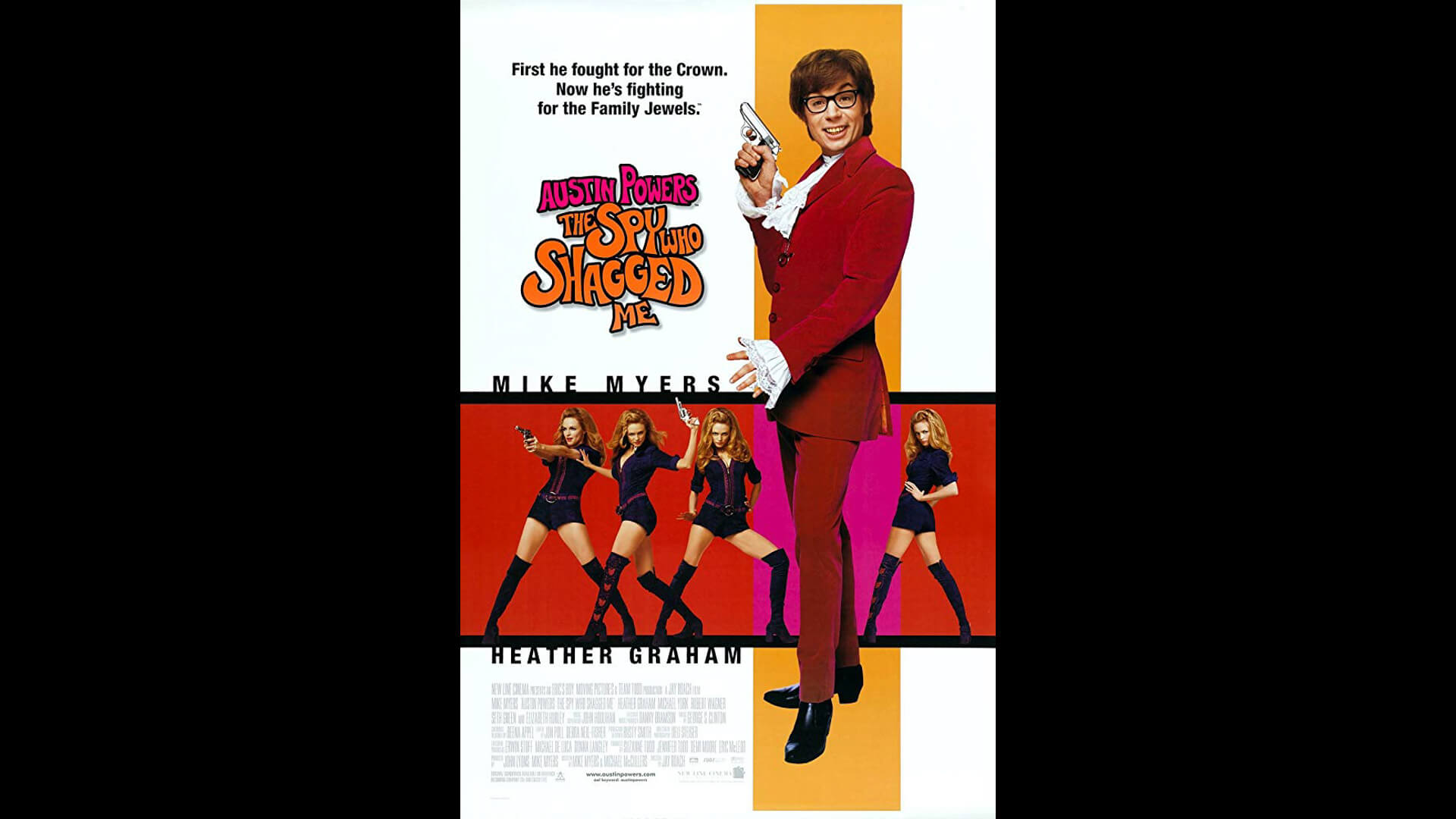 'Austin Powers: The Spy Who Shagged Me'

“Austin Powers: The Spy Who Shagged Me” is the sequel for the wildly loved character Austin Powers from the first film “Austin Powers: International Man of Mystery.” Developed by actor Mike Meyers, the movie didn’t gain major popularity until it was released on home video. By the time the second movie came out, fans were craving more psychedelic humor from Austin Powers. The success of the sequel came from the bombard of marketing strategies and promotions that built awareness about the movie. The film’s distribution company, New Line, also made sure to book the film in over 3,000 theaters to make it widely available. 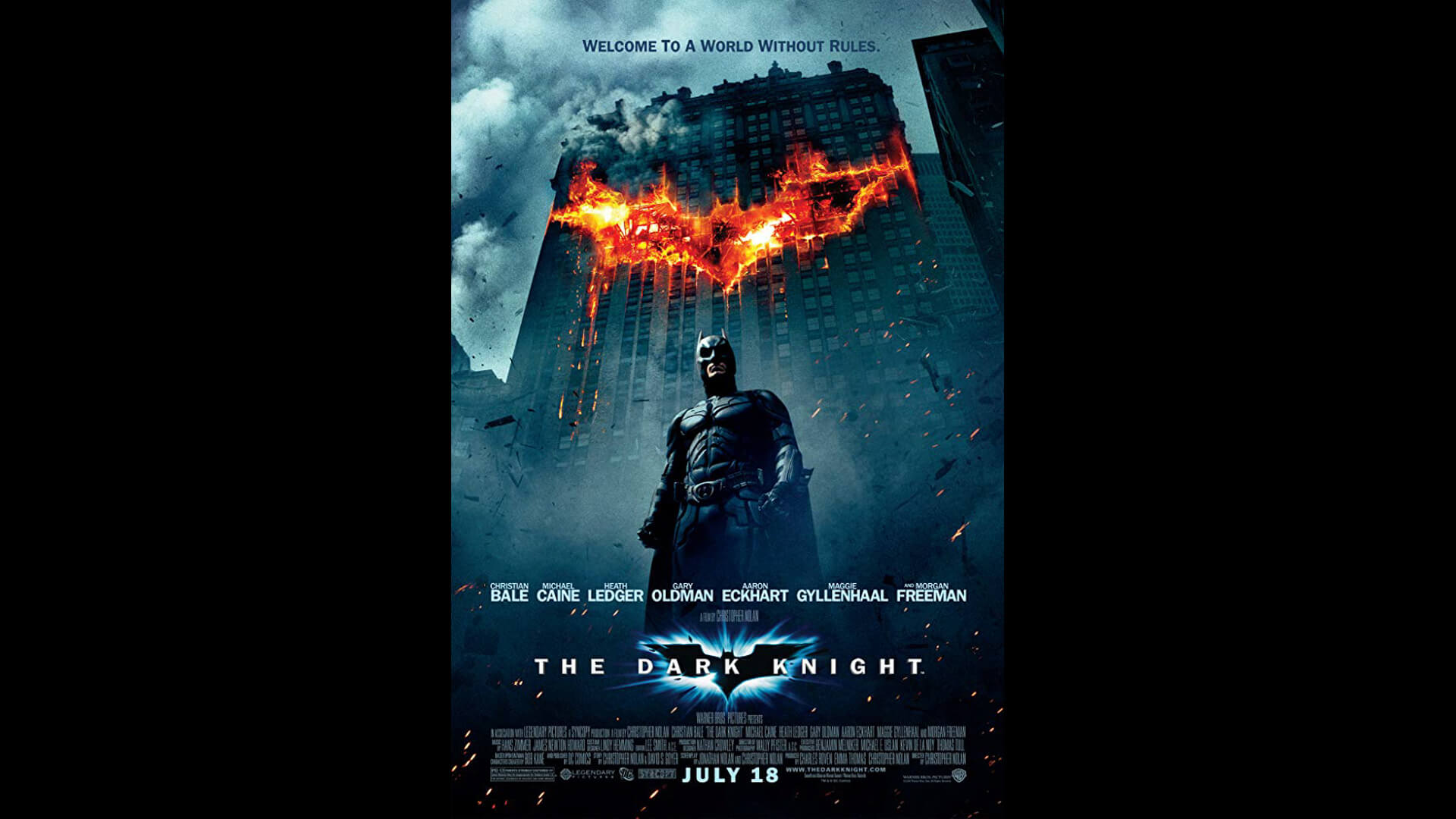 There’s a big difference between “The Dark Knight” and its predecessor “Batman Begins” — a $328 million difference. Christopher Nolan’s sequel to “Batman Begins” made increasingly more than the first film and has a rating of 94% on Rotten Tomatoes from film critics. According to a 2008 Rolling Stone article, the movie “soars on the wings of untamed imagination.”

Some critics claimed the film’s success came from Heath Ledger’s performance as Joker. “The Dark Knight” was released six months after the passing of Ledger and was his last major performance on screen. Others believe the DC Comic superhero film was widely successful because of its avid fan base of comic book enthusiasts. Either way, “The Dark Knight” has the upper hand in comparison with its predecessor.

All box-office numbers are based on domestic earnings.