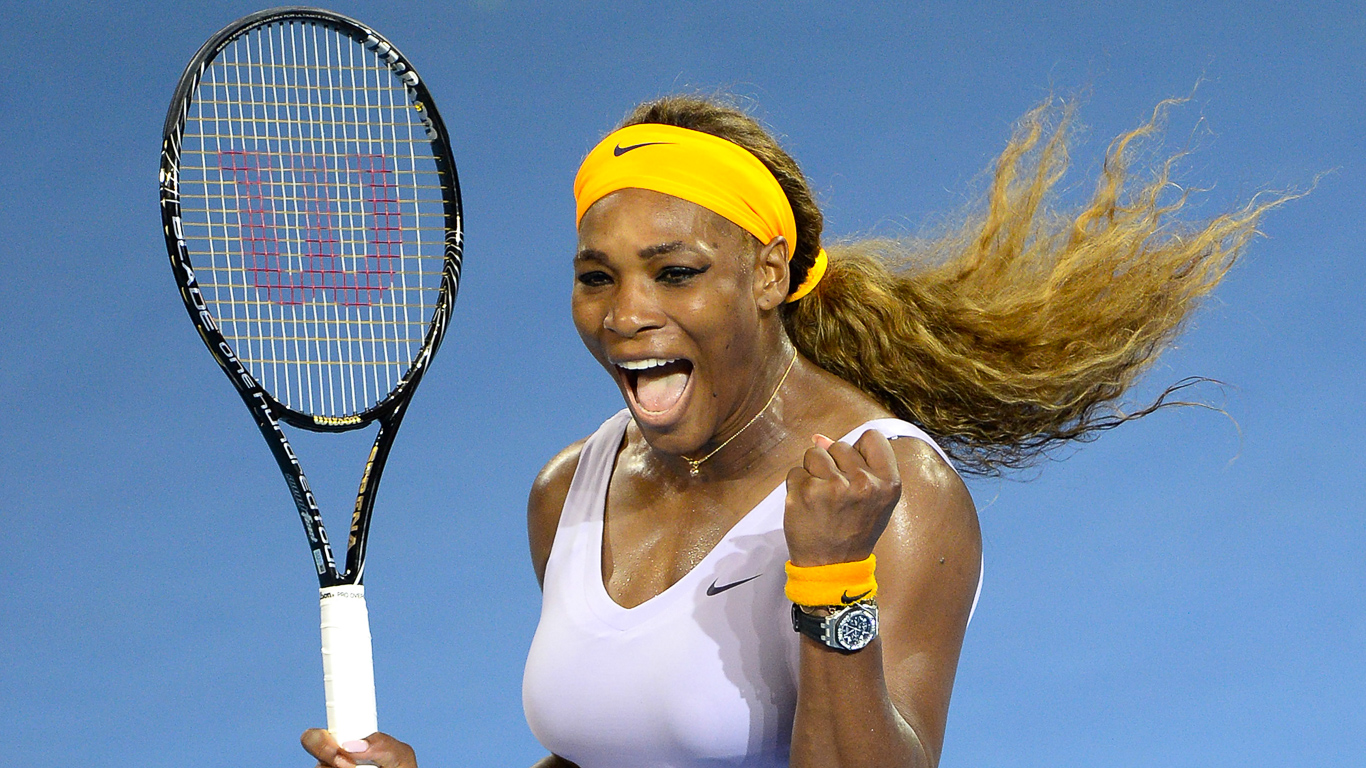 When it comes to popular professional sports, it isn’t usually difficult for talented male athletes to translate their on-field success into financial success out of uniform. The same can’t be said for female athletes, some of whom have been champions in advocating for equal pay for equal play.

Despite the hurdles, there are a handful of female athletes who have successfully used their athletic talent to pad their bank accounts. Between salaries and endorsements, the following 20 women are among the wealthiest sports stars in the world. 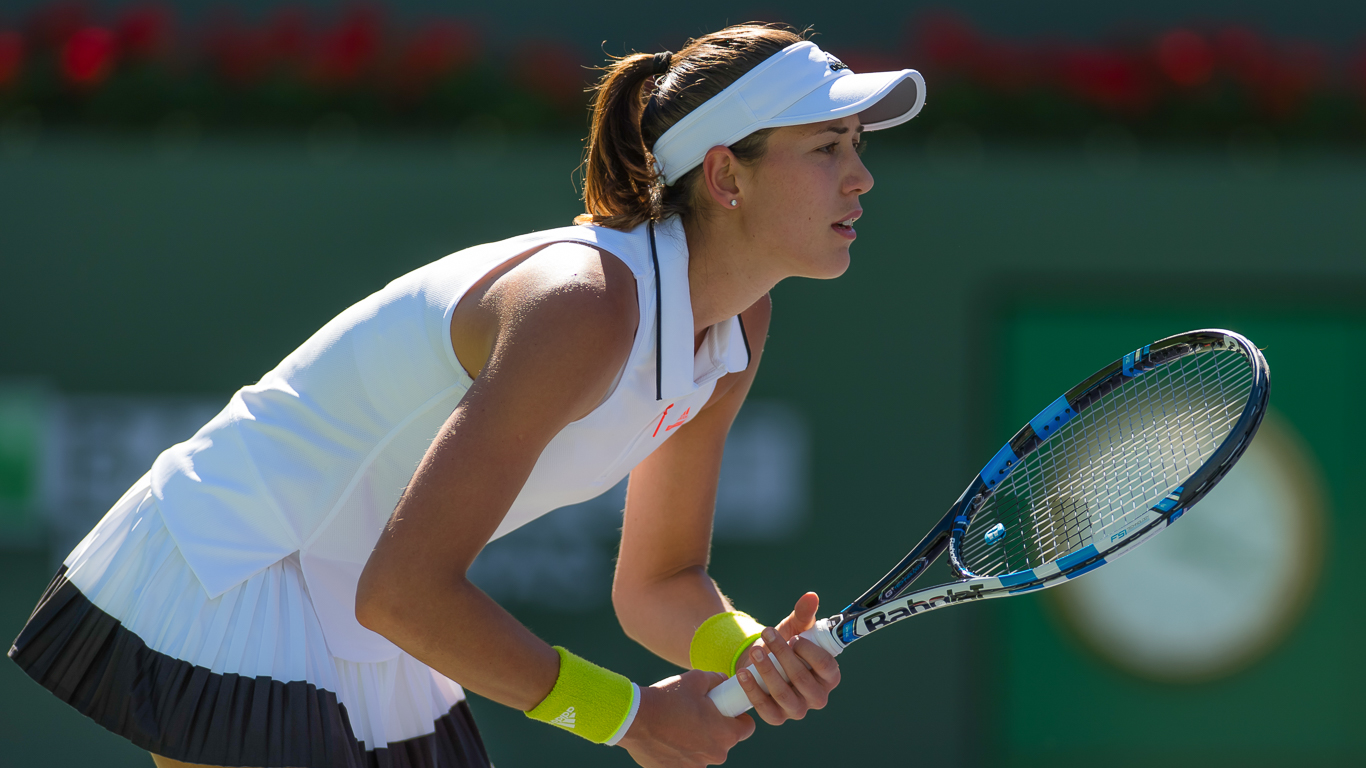 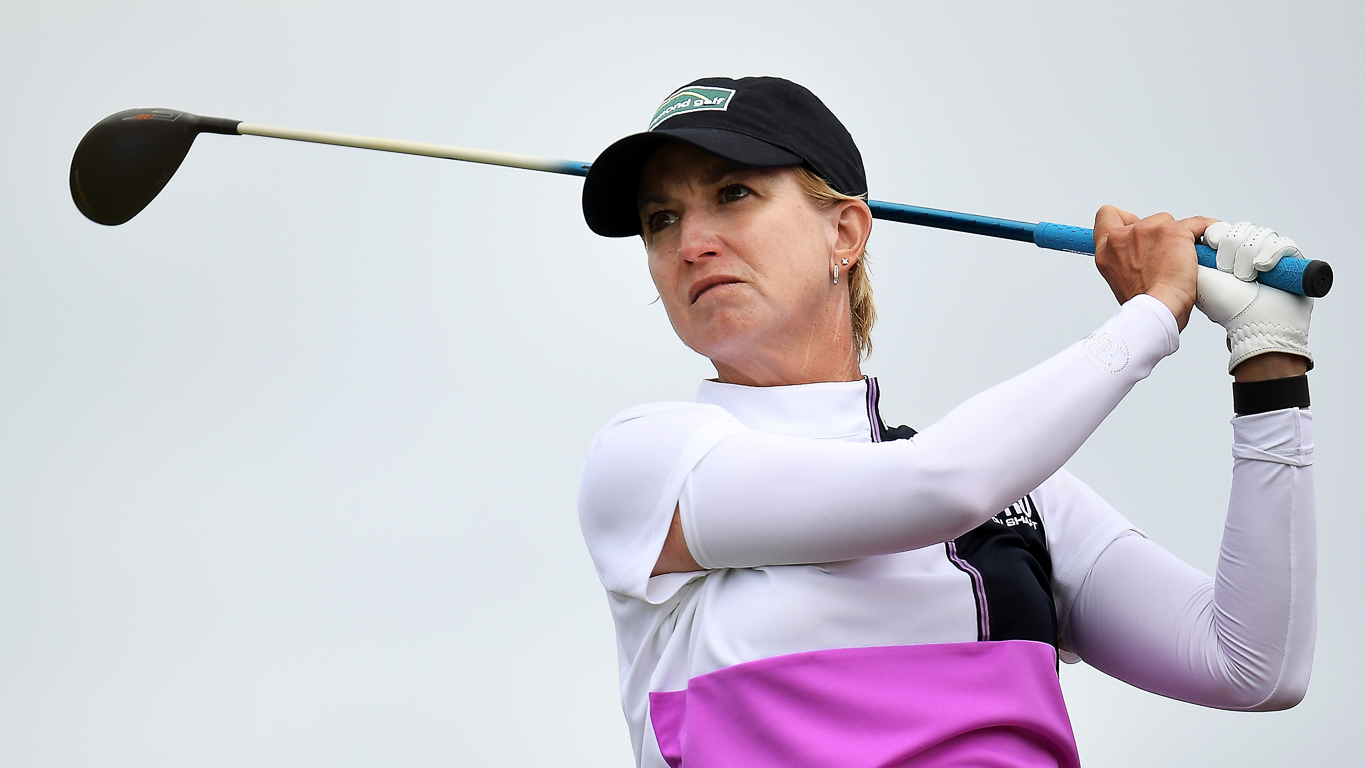 Karrie Webb is Australia’s most successful female golfer and one of the greatest players in the history of women’s golf. Webb, who started playing golf at age 8, has a total of 41 wins — including seven major wins — and has been honored with a number of awards. In 2005, she was inducted into the World Golf Hall of Fame.

Webb is only the second player in LPGA history to cross the $20 million earnings mark. Her net worth is $15 million. 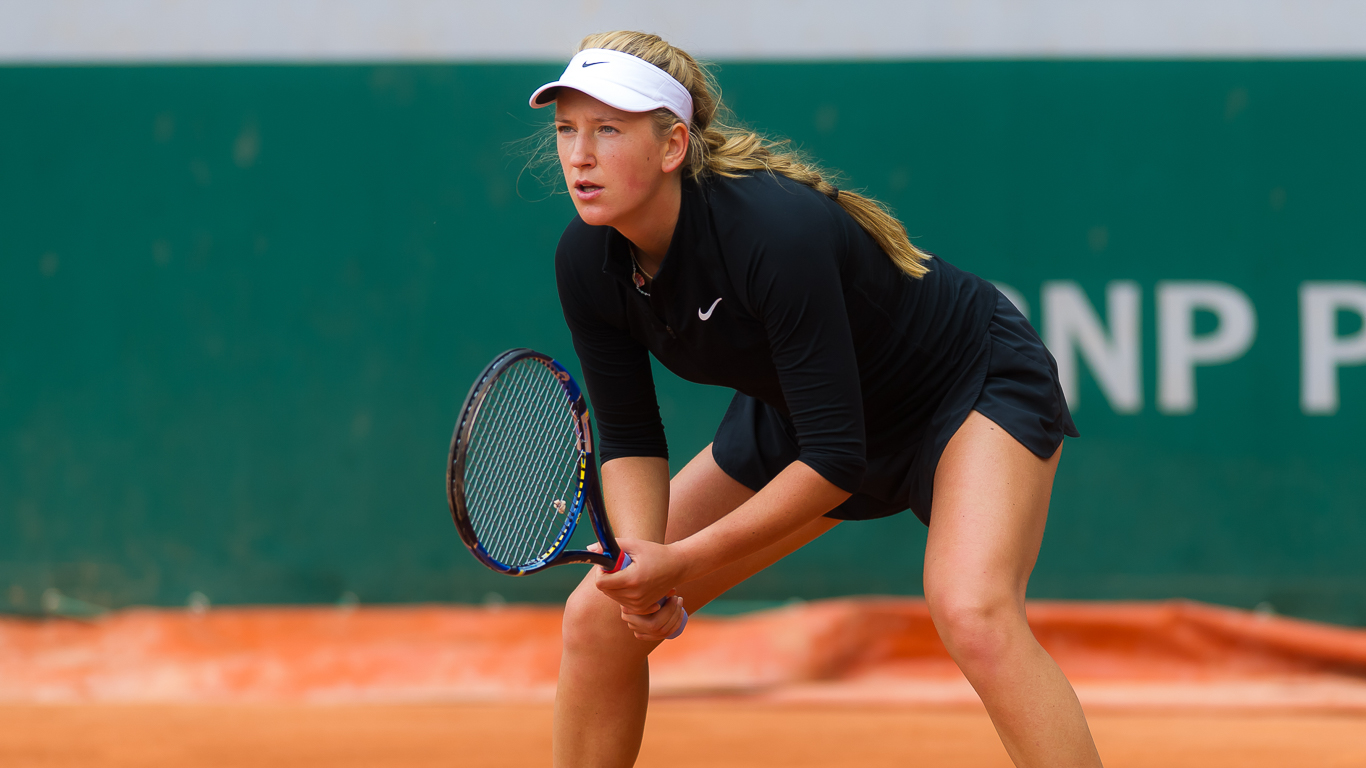 Victoria Azarenka began her professional tennis career in 2003. She has won two Grand Slam singles titles — one in 2012 and one in 2013 — and gold and bronze medals for her home country of Belarus at the 2012 London Olympics for the mixed doubles and women’s singles events, respectively.

Azarenka suffered an injury-plagued season in 2014 but has bounced back since then. In 2016, she brought in $3.6 million in prize money and $3 million in endorsements, according to Forbes. 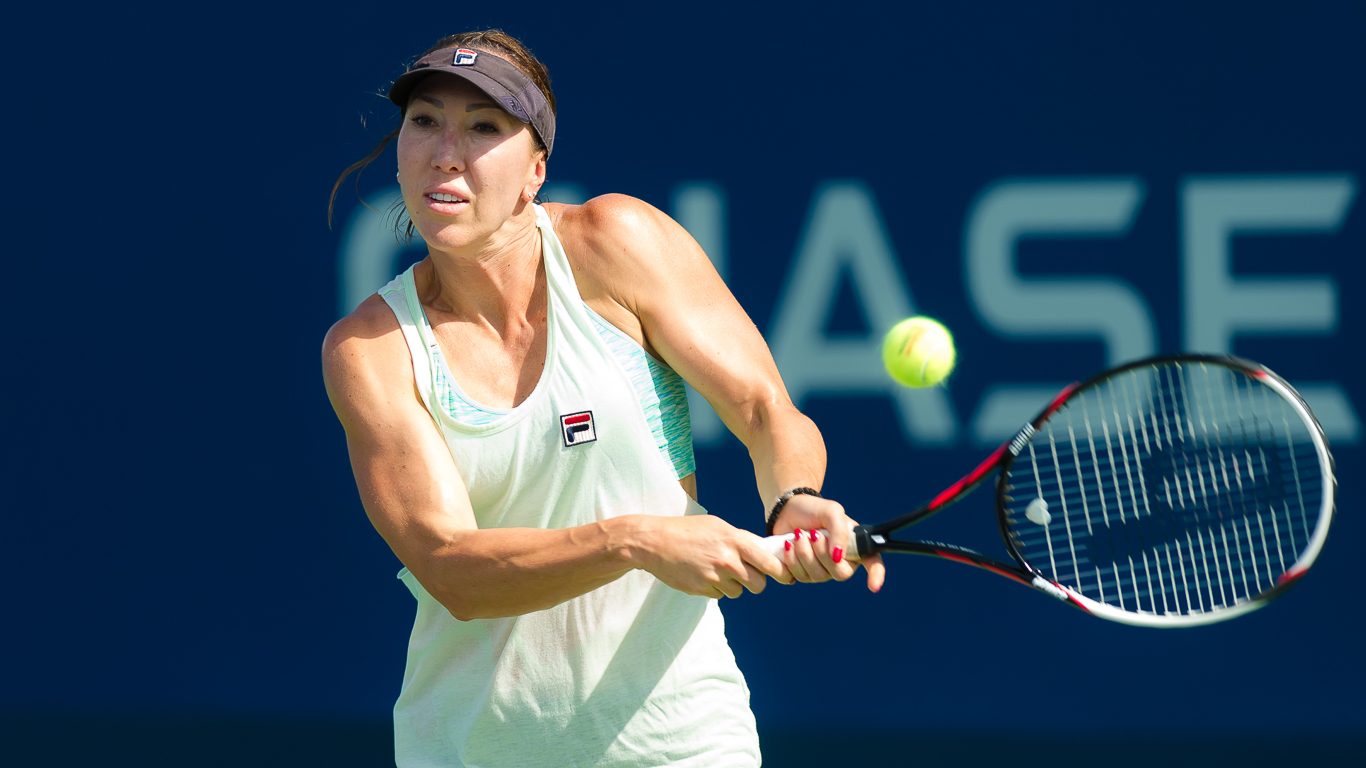 Serbian tennis player Jelena Jankovic was ranked the No. 1 women’s singles player in 2008 and again briefly in 2009. She has finished in or near the Top 20 from 2006 through 2015. Jankovic and partner Jamie Murray won Wimbledon mixed doubles in 2007. Jankovic has won more than a dozen singles titles throughout her career.

Jankovic has enjoyed a number of endorsements throughout the years, including with Reebok and the Chinese sportswear firm Anta. She has a net worth of $15 million. 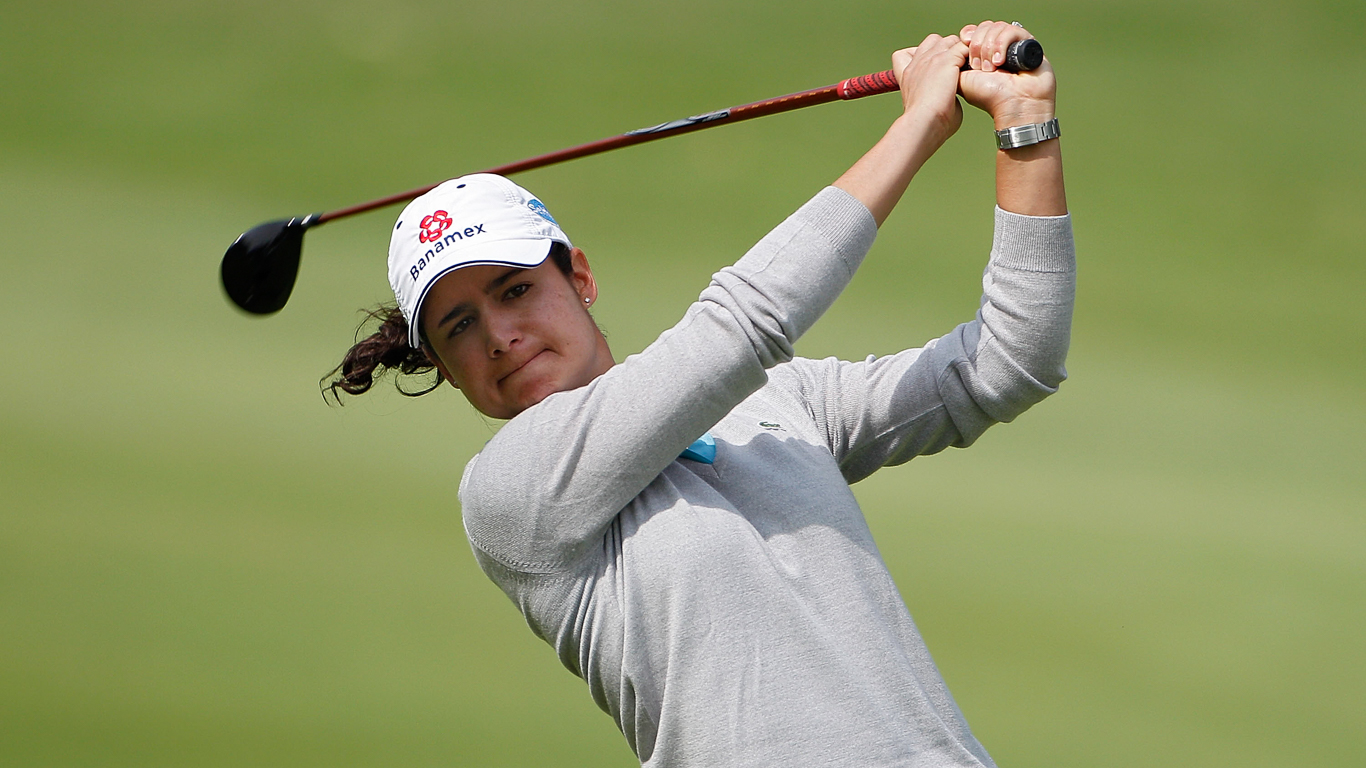 Mexican golfer Lorena Ochoa started playing golf at age 5. According to the LPGA, she competed in 173 LPGA events as a member, finishing in the Top 3 in 63 of those events. In addition to her success on the green, Ochoa has been recognized as one of Newsweek magazine’s 11 Most Powerful Women in 2007 and one of TIME magazine’s 100 Most Influential People in 2008.

Ochoa retired from golf in 2010 in order to start a family. She was inducted into the World Golf Hall of Fame in 2017. Her career earnings total just under $15 million. 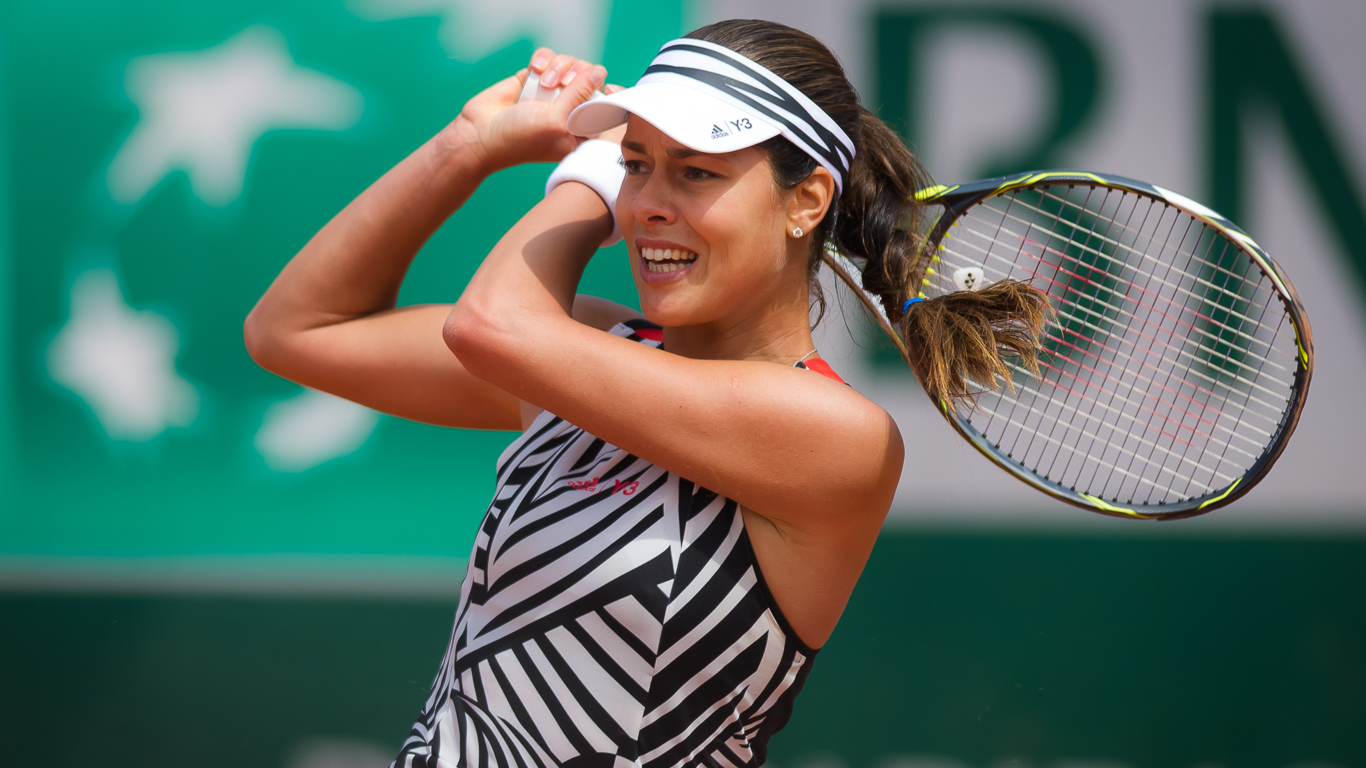 Serbian tennis player Ana Ivanovic has won 15 WTA Tour titles, as well as the 2008 French Open. Once ranked No. 1, Ivanovic experienced a number of injuries that caused her rank to slip in recent years. She ended her 2016 season early in September due to wrist and toe injuries but was still able to pull in $1.9 million in prize money and $5.5 million in endorsements.

Ivanovic retired from professional tennis at the end of 2016. 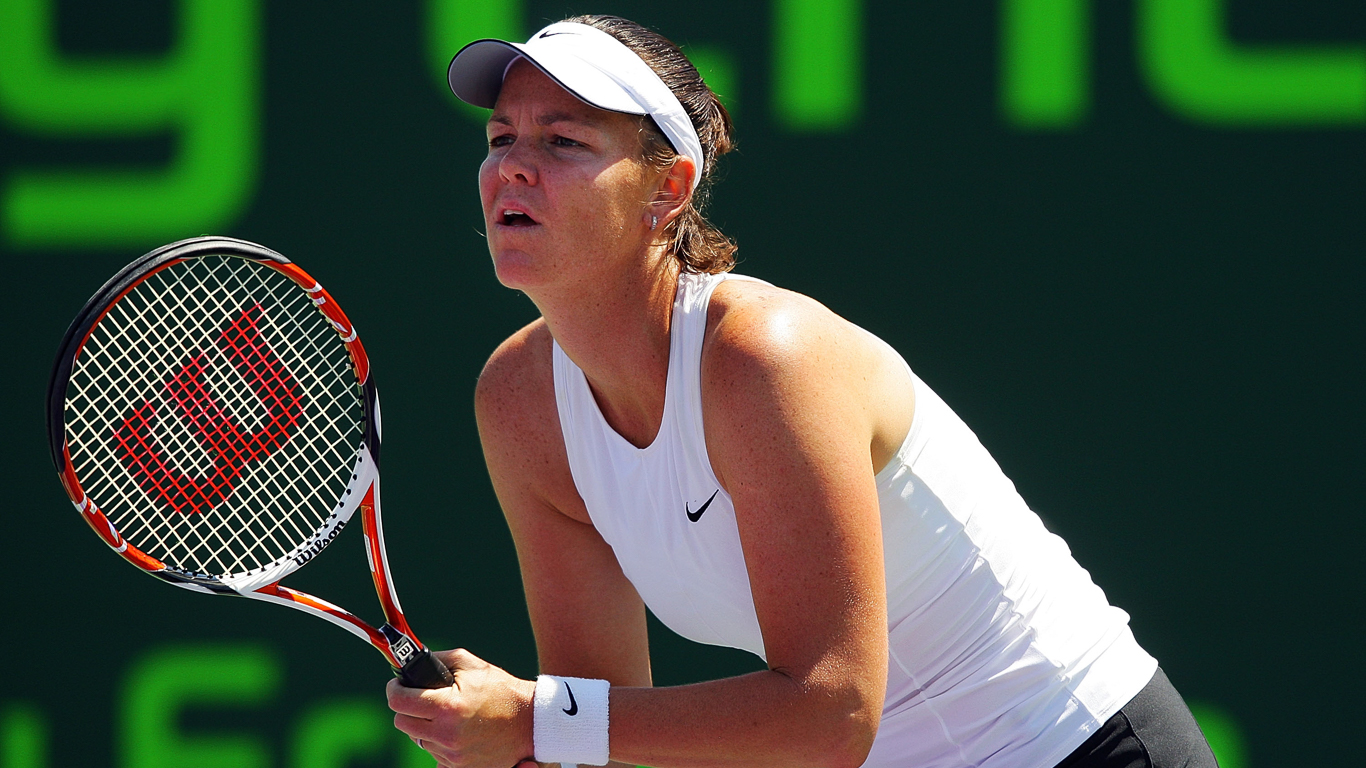 Retired since 2010, American tennis player Lindsay Davenport enjoyed a career that spanned 17 years. Davenport won the gold medal for women’s singles at the 1996 Atlanta Olympics. She also won 93 champions (55 singles, 38 doubles), including six Grand Slams. In 2014, Davenport was inducted into the International Tennis Hall of Fame.

According to Forbes, Davenport brought in $22.2 million in prize money throughout her career. 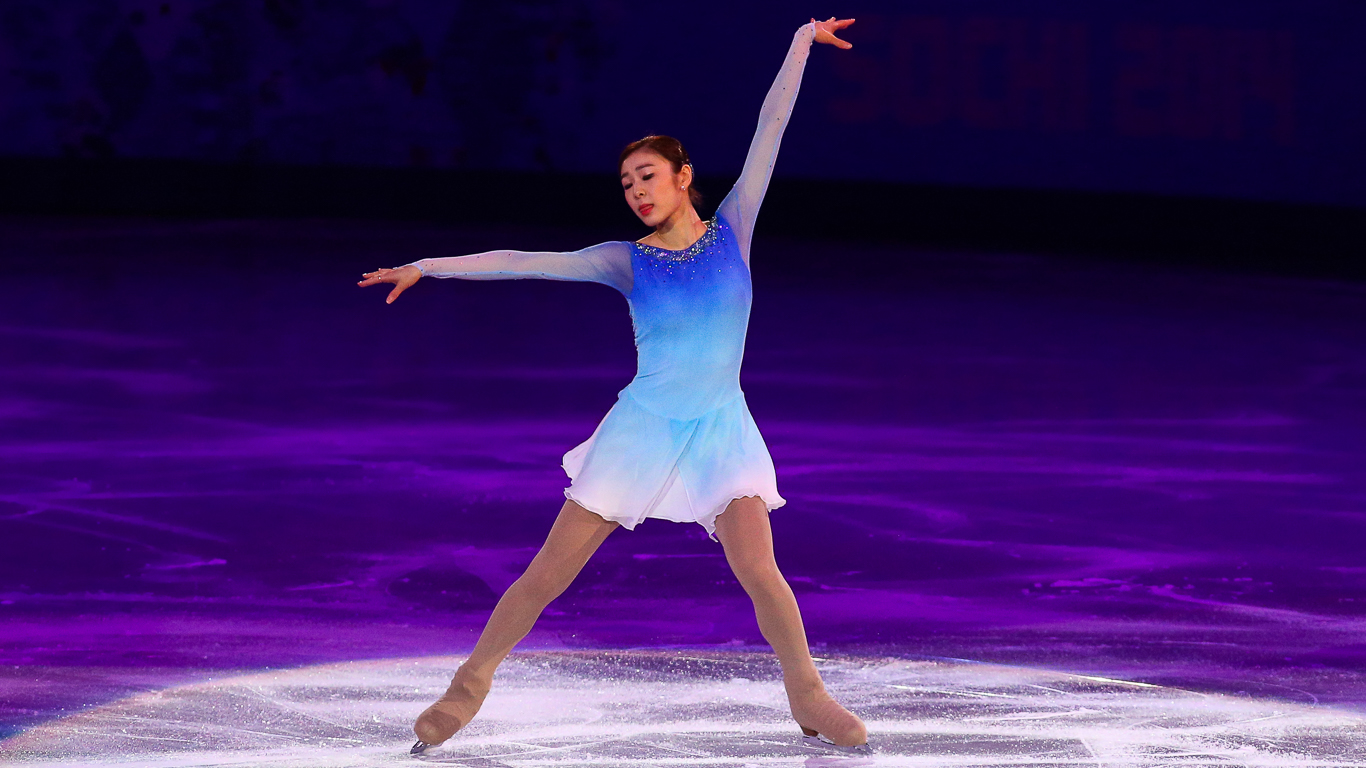 South Korean figure skater Kim Yuna — affectionately known as Queen or Queen Yuna — is a two-time Olympian. Her two programs at the 2010 Vancouver Olympics shattered previous record scores and earned her a gold medal. Four years later at the Sochi Olympics, Yuna earned a silver medal. Her loss to Russian skater Adelina Sotnikova is still considered controversial in the world of figure skating. Yuna is highly credited with bringing the 2018 Olympics to South Korea.

According to the website Money Inc, Yuna has a net worth of $21 million and has major endorsement deals with Nike, Samsung, Hyundai and Korean Air, among others. 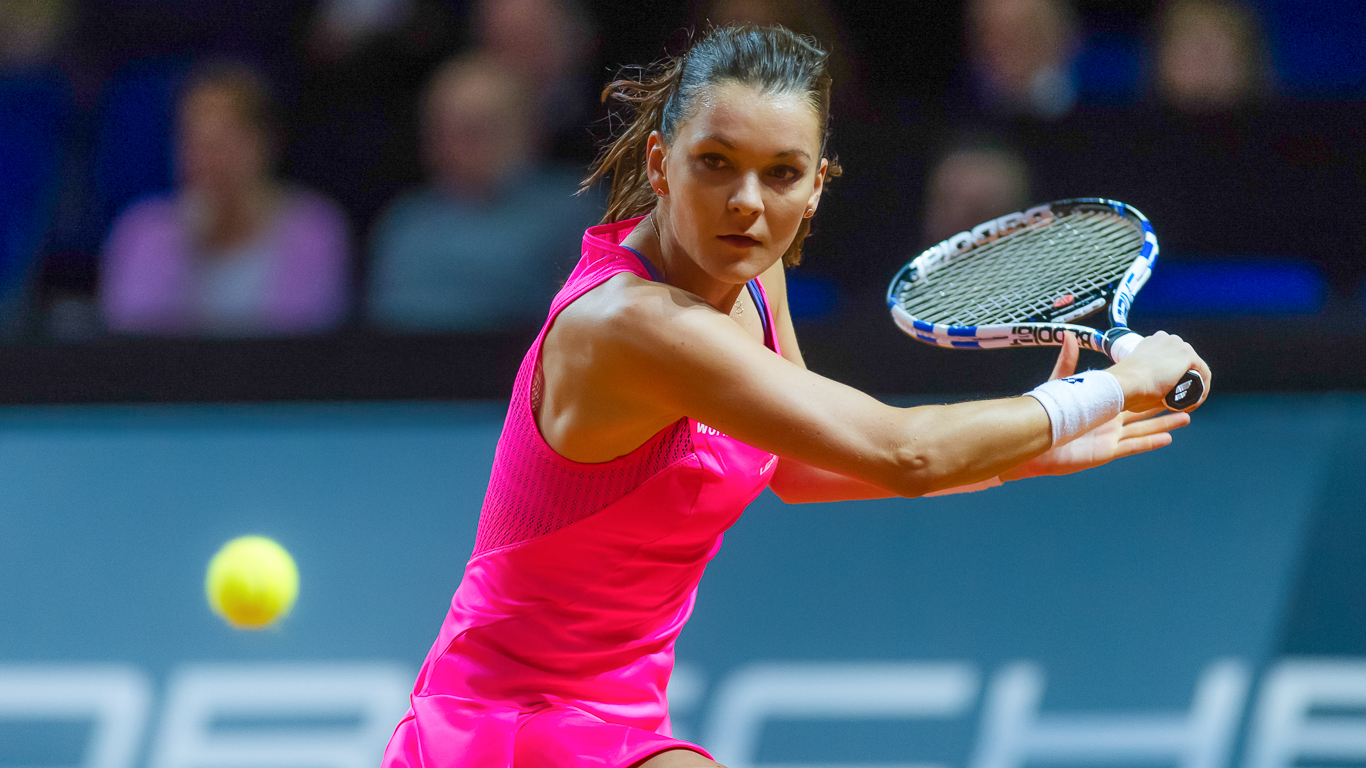 Polish tennis player Agnieszka Radwańska began her professional career in 2005, as did her younger sister, Urszula. Radwańska has won 20 singles titles and two doubles titles. In 2016, she pulled in an impressive $10.2 million, roughly half of which was from prize money and the other half from endorsements. At the end of 2016, her prize money totaled $23 million, the sixth highest of all time.

Radwańska’s endorsement deals include Lotto, Babolat and Lexus, among others. She has a net worth of $25 million. 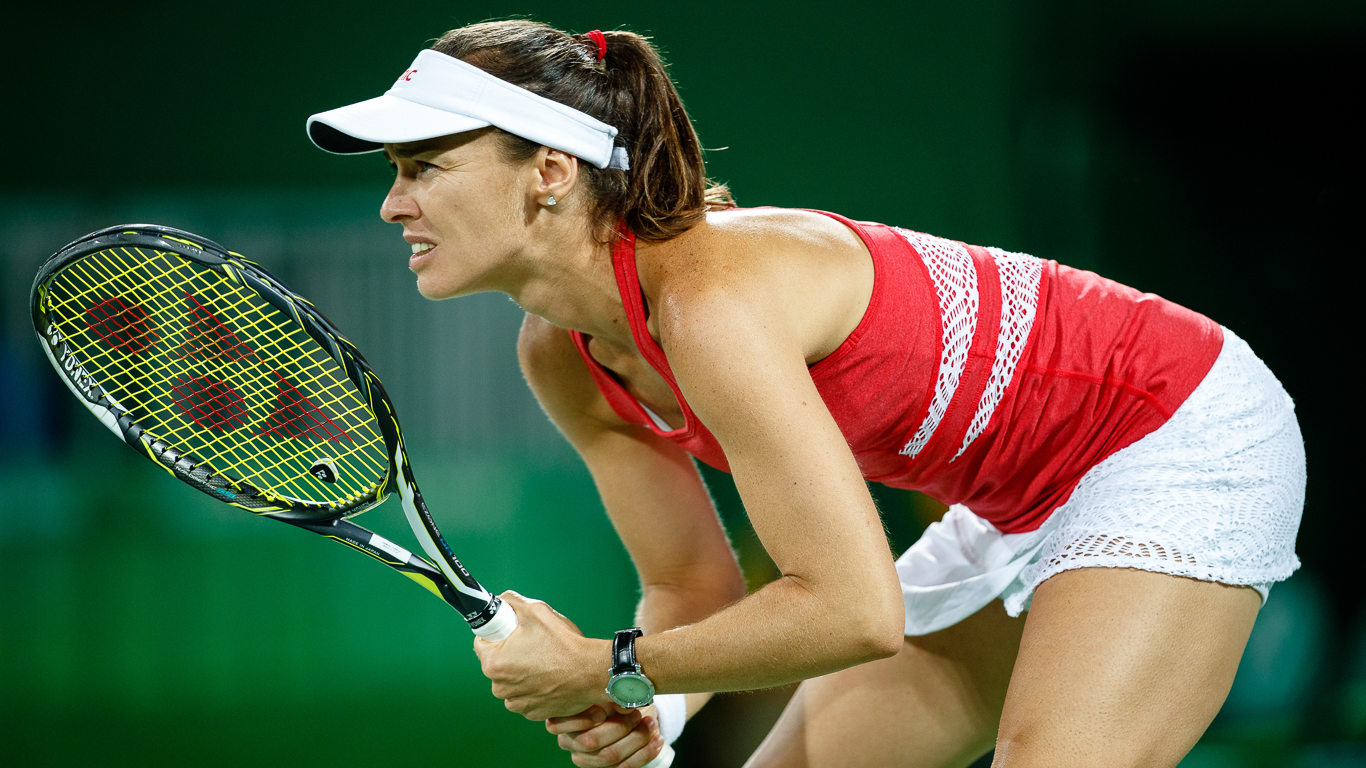 Considered a teenage prodigy, Martina Hingis became the youngest ever Grand Slam junior winner in 1993 — one year prior to the start of her professional career. She won a total of 81 titles from 1994-2007. Hingis retired from singles play in 2002 only to return again a couple of years later. She retired from singles again in 2007.

Today, Hingis enjoys a successful doubles career. At the 2016 Rio Olympic Games, Hingis and partner Timea Bacsinszky won silver medals for Switzerland. Hingis was inducted into the International Tennis Hall of Fame in 2013. 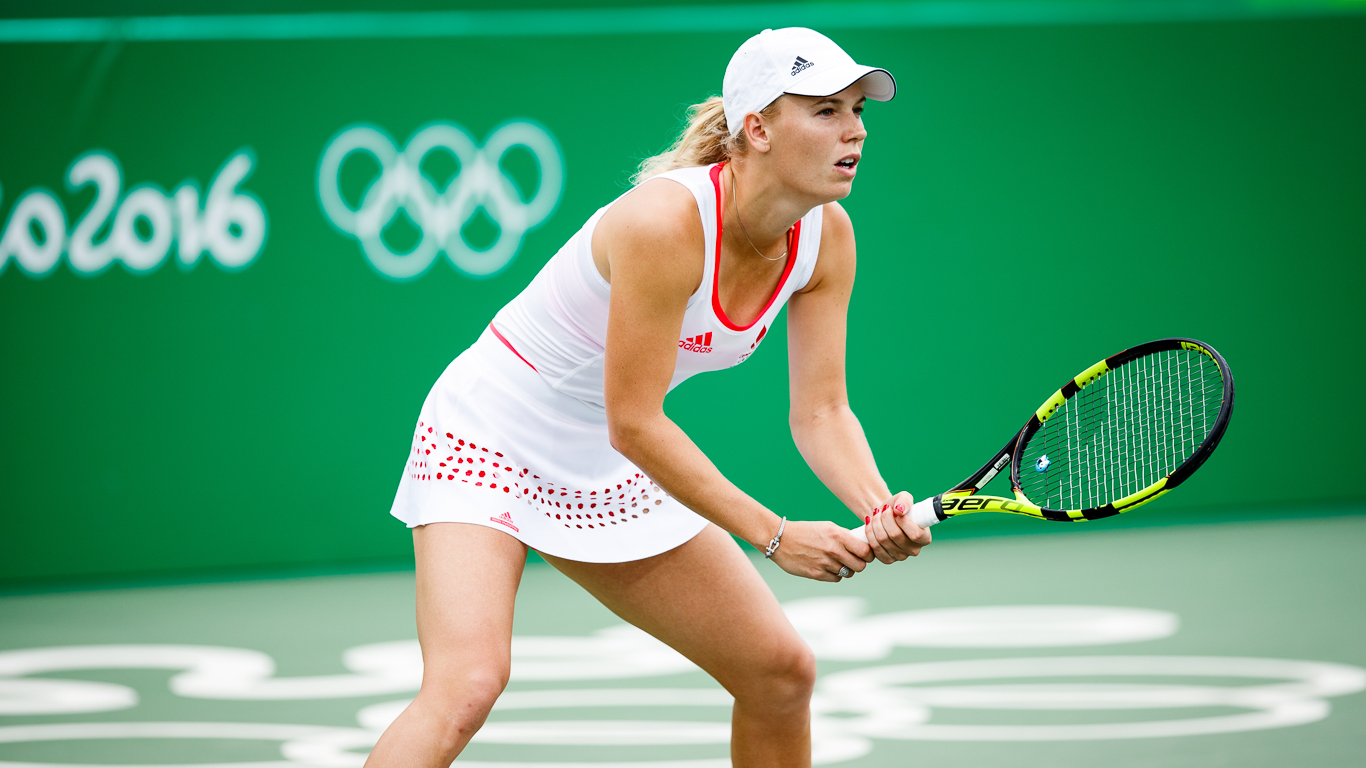 Wozniacki competed for her home country of Denmark in the 2016 Rio Olympics. According to Forbes, she earned $8 million in 2016, most of which was from endorsements. Her most lucrative endorsement partner is Adidas. 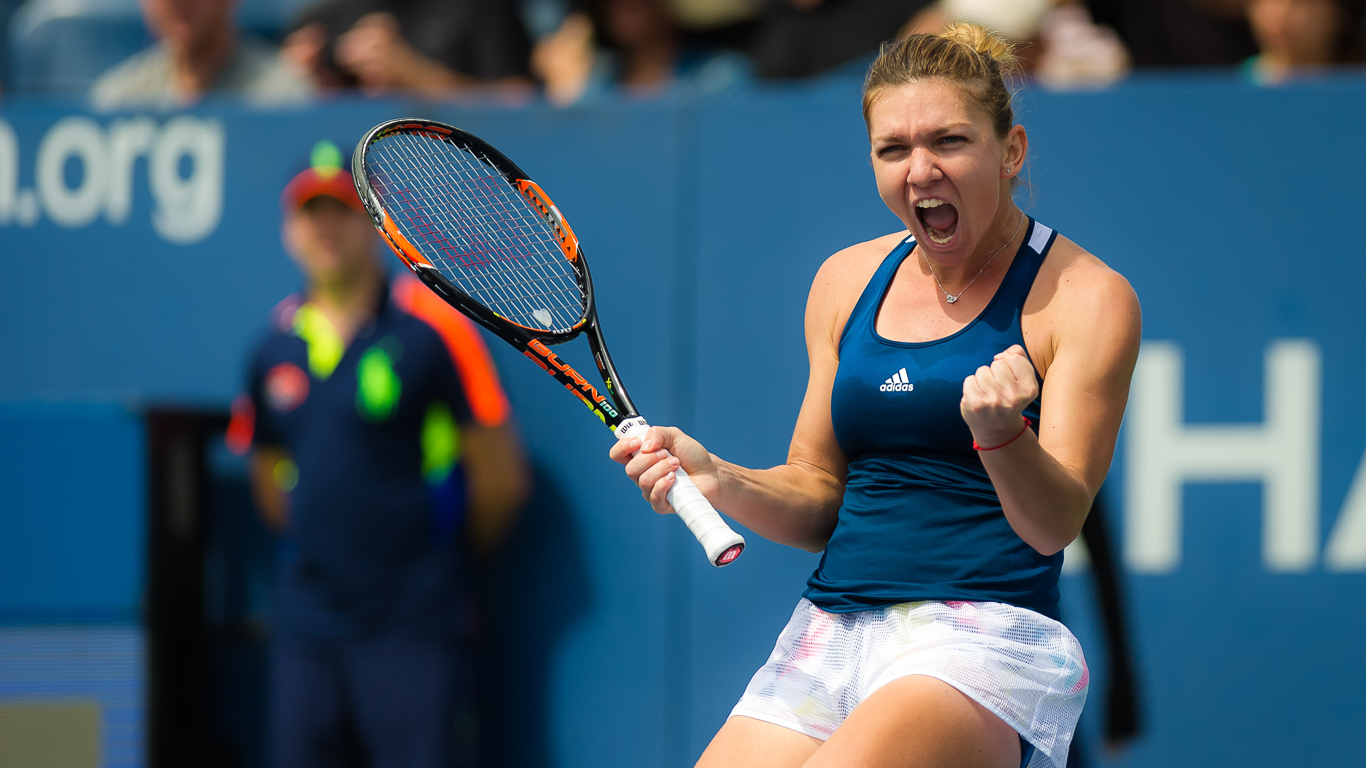 Recently she beat Serena Williams to take home the 2019 Wimbledon title. In 2016, Halep was awarded the Jerry Diamond ACES Award — which is presented to the player who goes above and beyond to promote the sport of women’s tennis — for her participation in numerous children’s clinics, charitable activities and fan events. 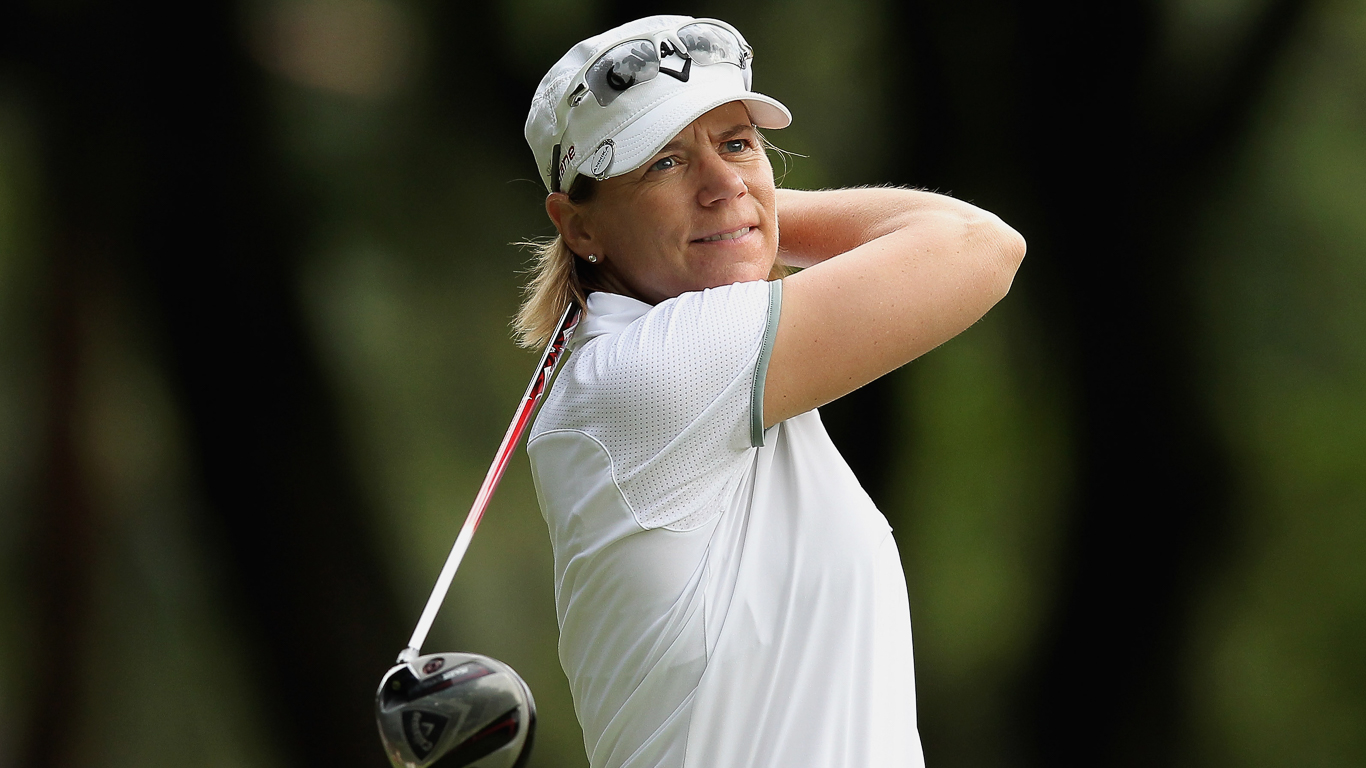 Regarded as one of the best female golfers of all time, Annika Sörenstam entered the professional circuit in 1994. Throughout her career, she had a total of 89 wins, including 10 major wins. She also accumulated countless other awards, including eight ESPYs. In 2003, she was inducted into the World Golf Hall of Fame.

Retired since 2008, Sörenstam’s career earnings are more than $22 million. According to her website, she is the first player in LPGA history to cross the $20 million earnings mark. 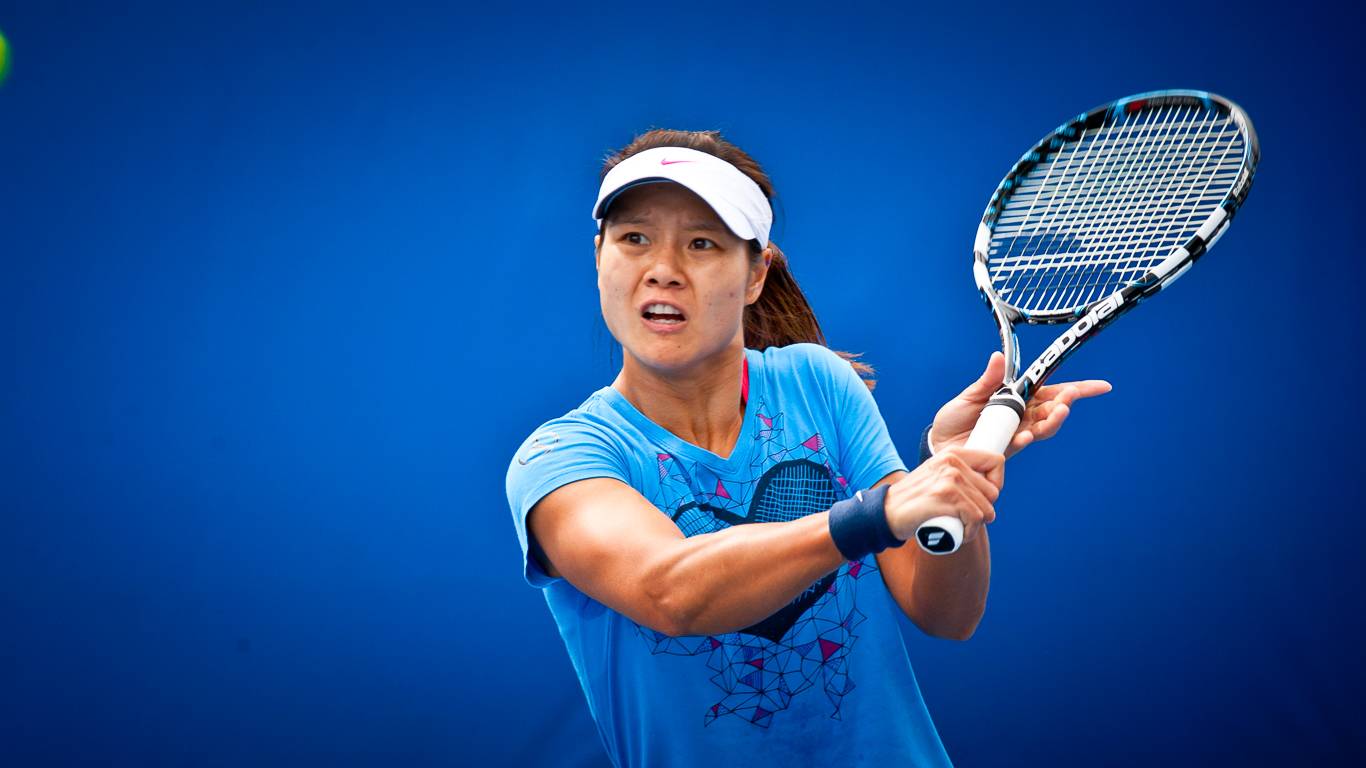 Chinese tennis star Li Na shot to fame in 2011 when she became the first Asian player to make the finals at the Australian Open and the first Asian-born tennis player ever to win a Grand Slam singles event at the French Open. Na returned to Australia in 2014 to claim the Grand Slam title.

Na announced her retirement in 2014, the same year Forbes named her one of the highest-paid female athletes. Na earned $23.6 million in 2014, $18 million of which was from endorsements. Na has continued to enjoy big endorsement deals long after her retirement. Recently, she partnered with Nike to launch the Li Na collection in China. 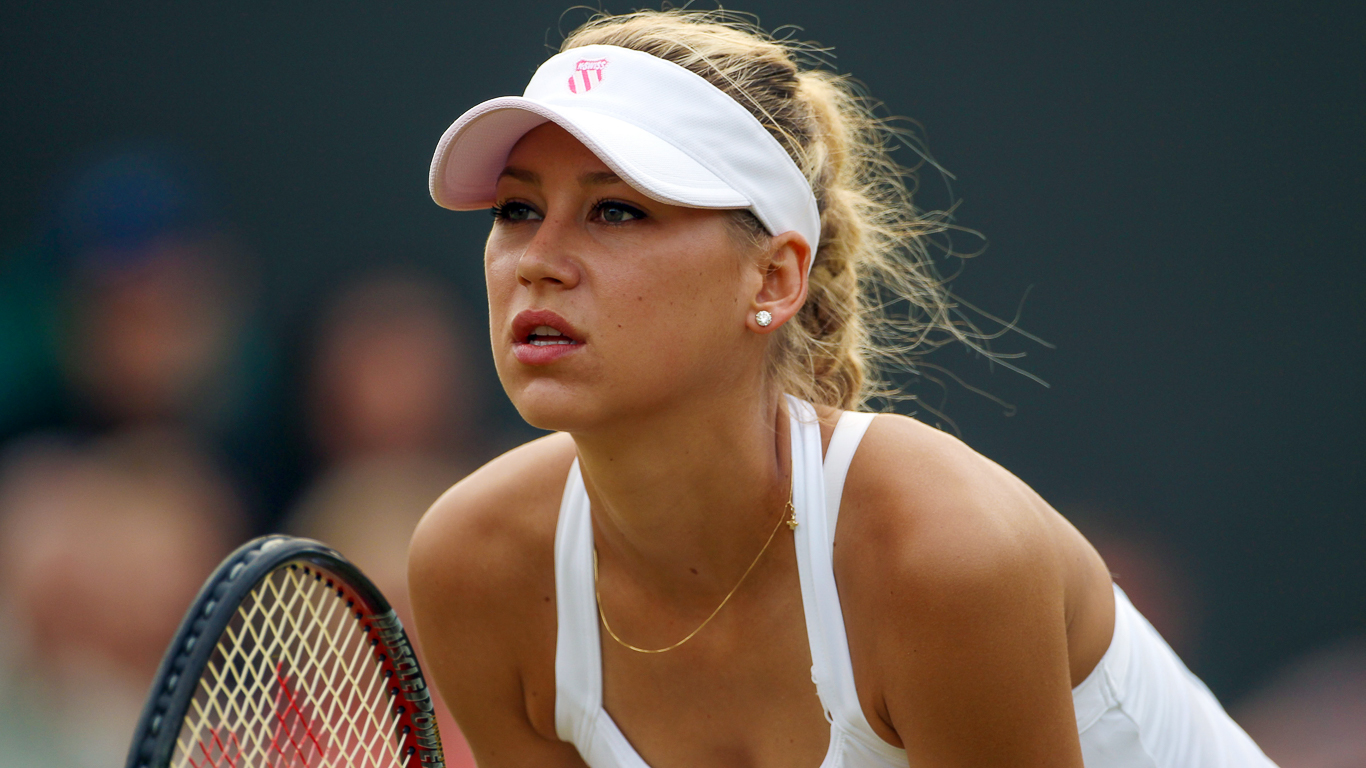 Anna Kournikova is no doubt one of the most famous female tennis players of all time. The Russian player enjoyed some success throughout her career, including two Grand Slam doubles wins; however, she never won a Grand Slam singles title.

Despite mediocre success on the court, Kournikova enjoyed a number of lucrative endorsements due to her growing celebrity. In 2012, Kournikova appeared as a celebrity trainer on the show “The Biggest Loser.” She continues to model today. 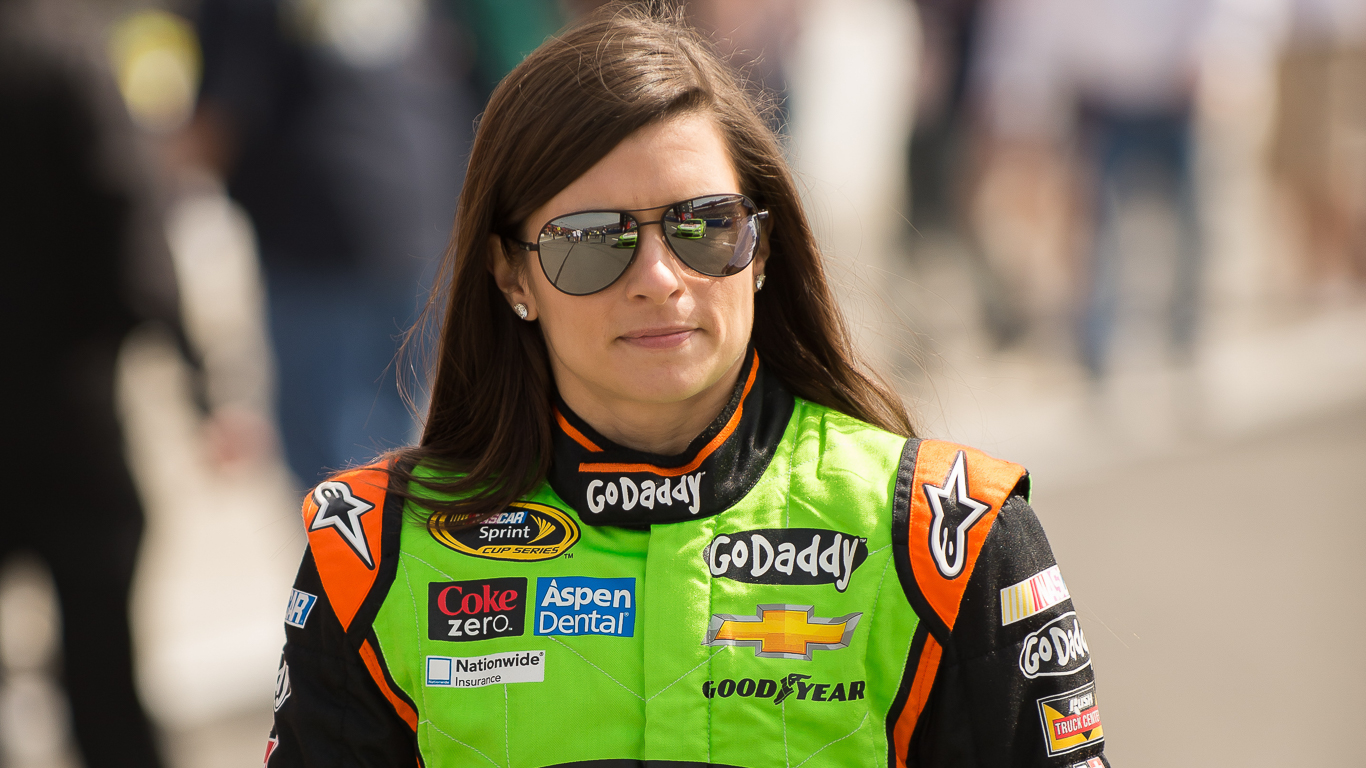 In 2013, Patrick made the move to NASCAR. She drives the No. 10 Aspen Dental Ford Fusion for Stewart-Haas Racing in the Monster Energy NASCAR Cup Series. Patrick has enjoyed a number of different endorsement deals throughout her career. She is famously associated with GoDaddy, and she retired after the 2018 Daytona 500 and Indy 500. Danica Patrick’s net worth is $60 million. 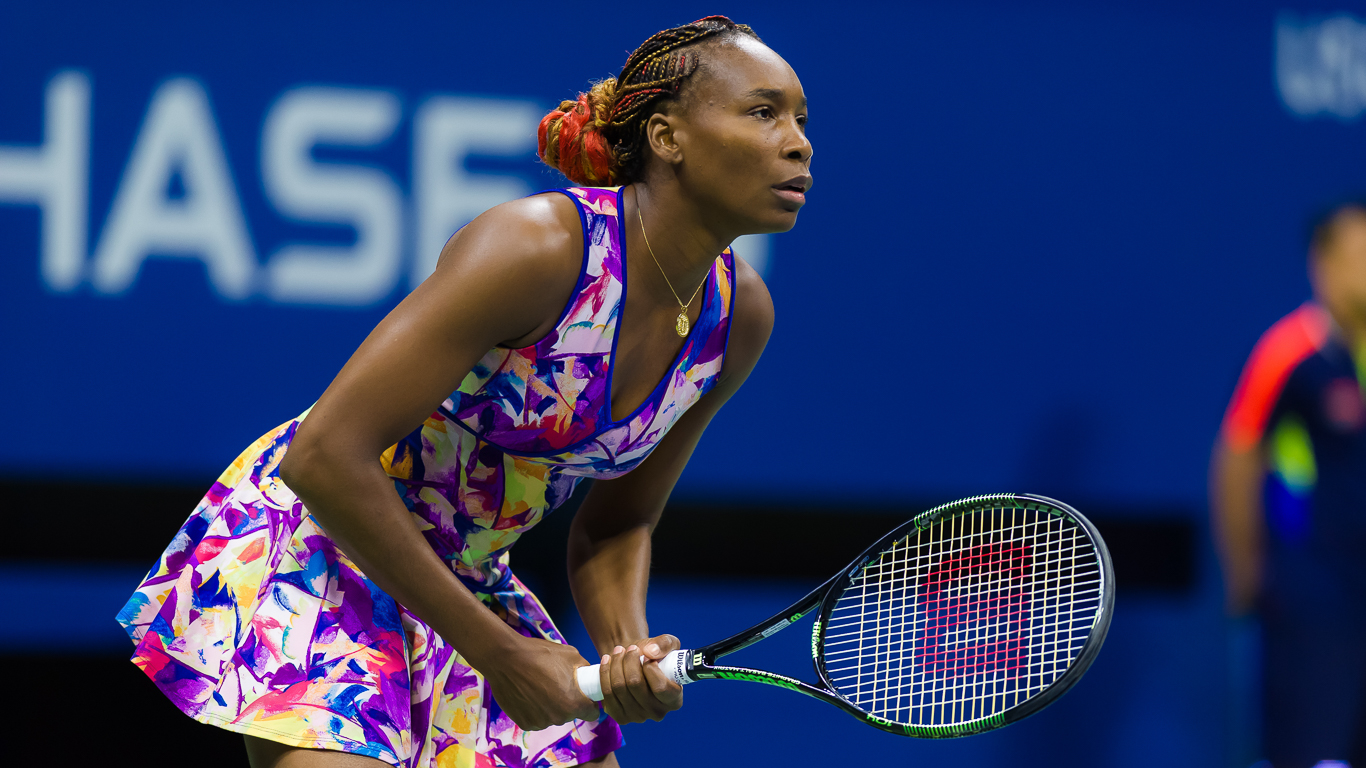 Venus Williams is one of the most famous names in the sport of tennis. Williams became a professional tennis player in 1994, one year before her younger sister Serena. Williams has won 49 singles titles and 22 doubles titles. She has also won five Olympic medals, four gold and one silver. In 2016, she and Serena won their sixth Wimbledon doubles title.

Williams has won more than $36 million in prize money throughout her career. She also enjoys a number of endorsement deals, which add to her net worth of $75 million. 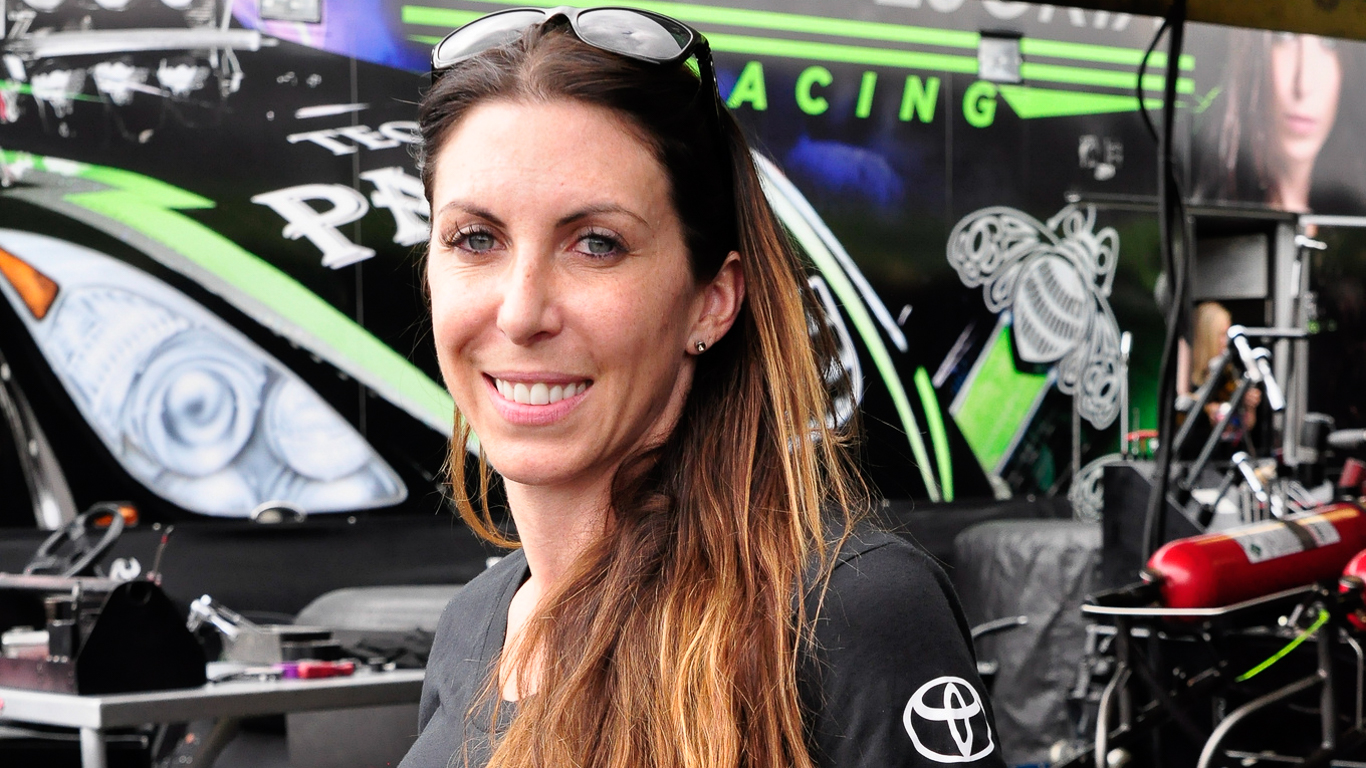 Alexis DeJoria is a drag racer competing in the National Hot Rod Association (NHRA). DeJoria races the Funny Car, a type of race car that can reach speeds over 330 miles per hour. She has four career wins in the NHRA Funny Car Division and is the first female driver to be clocked under 4 seconds in a Funny Car. 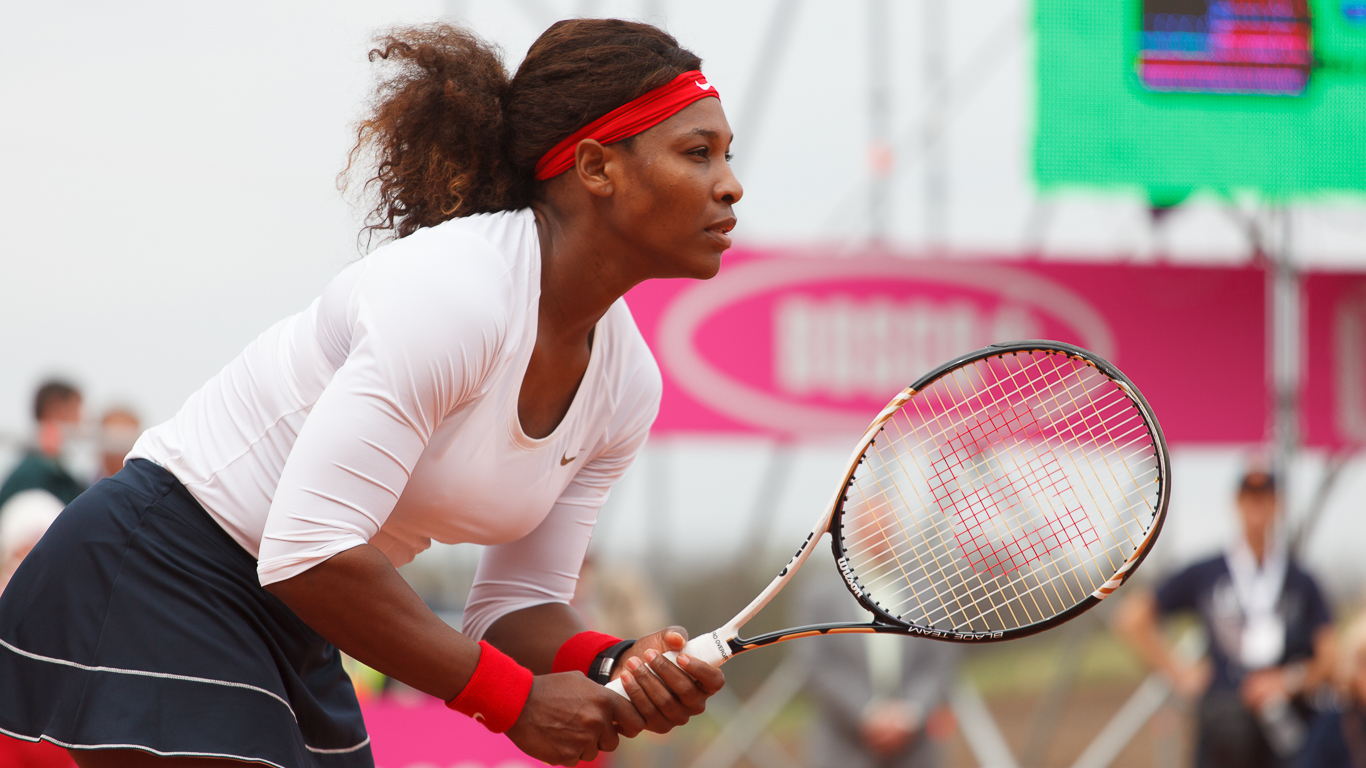 Serena Williams is a dominating force in the sport of tennis. She is currently ranked No. 16 in the world after taking a 14-month hiatus to marry Alexis Ohanian, co-founder of Reddit, and give birth to their daughter. Williams was defeated at the 2018 U.S. Open by Naomi Osaka, who is in talks to sign the largest-ever Adidas deal for a woman athlete.

Williams started her professional career in 1995 and has since won a staggering 39 Grand Slam titles. Like her sister, Venus, she is a decorated Olympian with a total of four gold medals.

Williams is the highest-paid female athlete on Forbes’ World’s Highest-Paid Athletes 2018 list. Williams has earned $18 million in the 12 months ending June 1, 2018 from endorsements alone. She counts Beats by Dre, Gatorade, Intel, JPMorgan Chase, Lincoln and Nike among her many sponsors. Serena Williams’ net worth is $180 million. 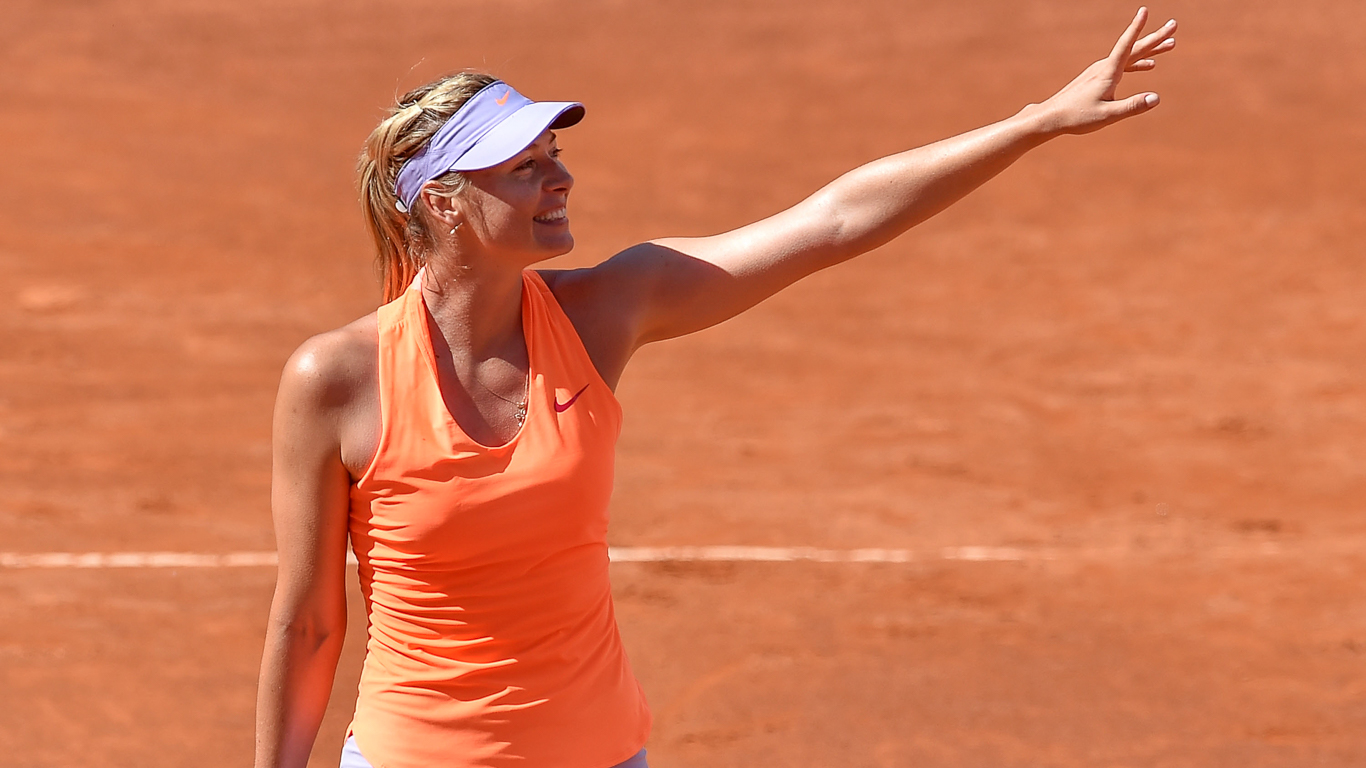 Sharapova was just one of two female athletes to make the 2016 Forbes’ World’s Highest-Paid Athletes list. Ranked No. 88 on that list, she earned $21.9 million that year, $20 million of which was from endorsements. She has won approximately $36.5 million in prize money to date, making her one of the highest-paid tennis players.

In March 2016, Sharapova announced that she had tested positive for the drug meldonium. The International Tennis Federation suspended Sharapova from the sport for two years due to the failed drug test. While the suspension was later reduced to 15 months, Sharapova missed the 2016 Rio Olympic games.

Sharapova lost sponsor Tag Heuer after the announcement. Other sponsors that include Nike and Porsche suspended promotional plans with the player, though they did not terminate their contracts. Amid this drama, Forbes reported in 2018 that her net worth could still be as high as $195 million.

More on Net Worth and Sports