20 Worst Money Mistakes People Make in the Name of Love 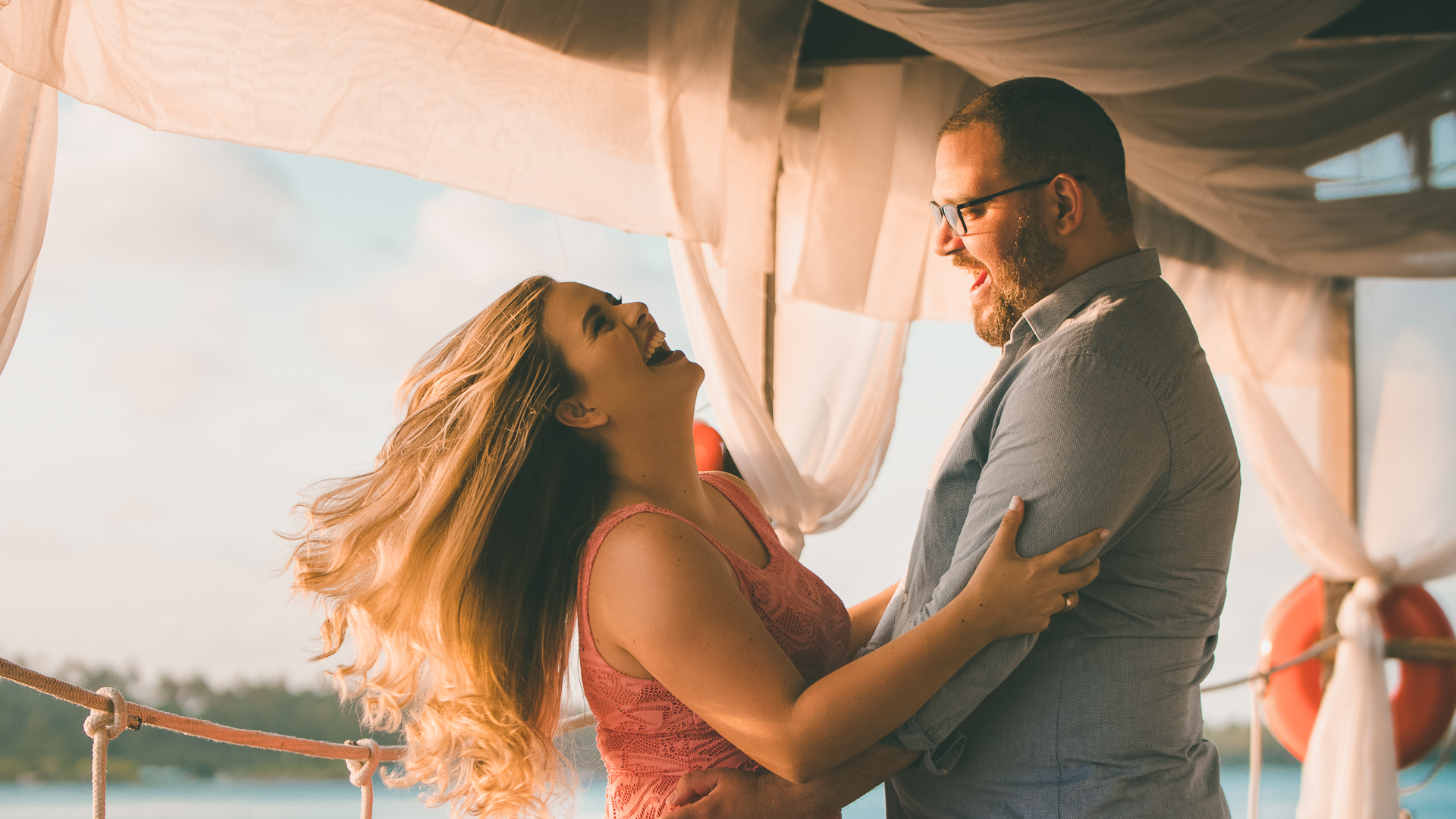 While it’s true that love might not cost a thing, plenty of romances fall victim to money — or at least to money mistakes.

Money and relationships are inseparable, and if you mismanage the former, the latter hardly stands a chance. From secrecy and poor communication to conflicting priorities and plain old bad decisions, some of the best relationship advice helps two people avoid the pitfalls of money mistakes in romance.

Click through to find out if you and your partner are making common money mistakes, and discover how these mistakes can hurt your relationship. 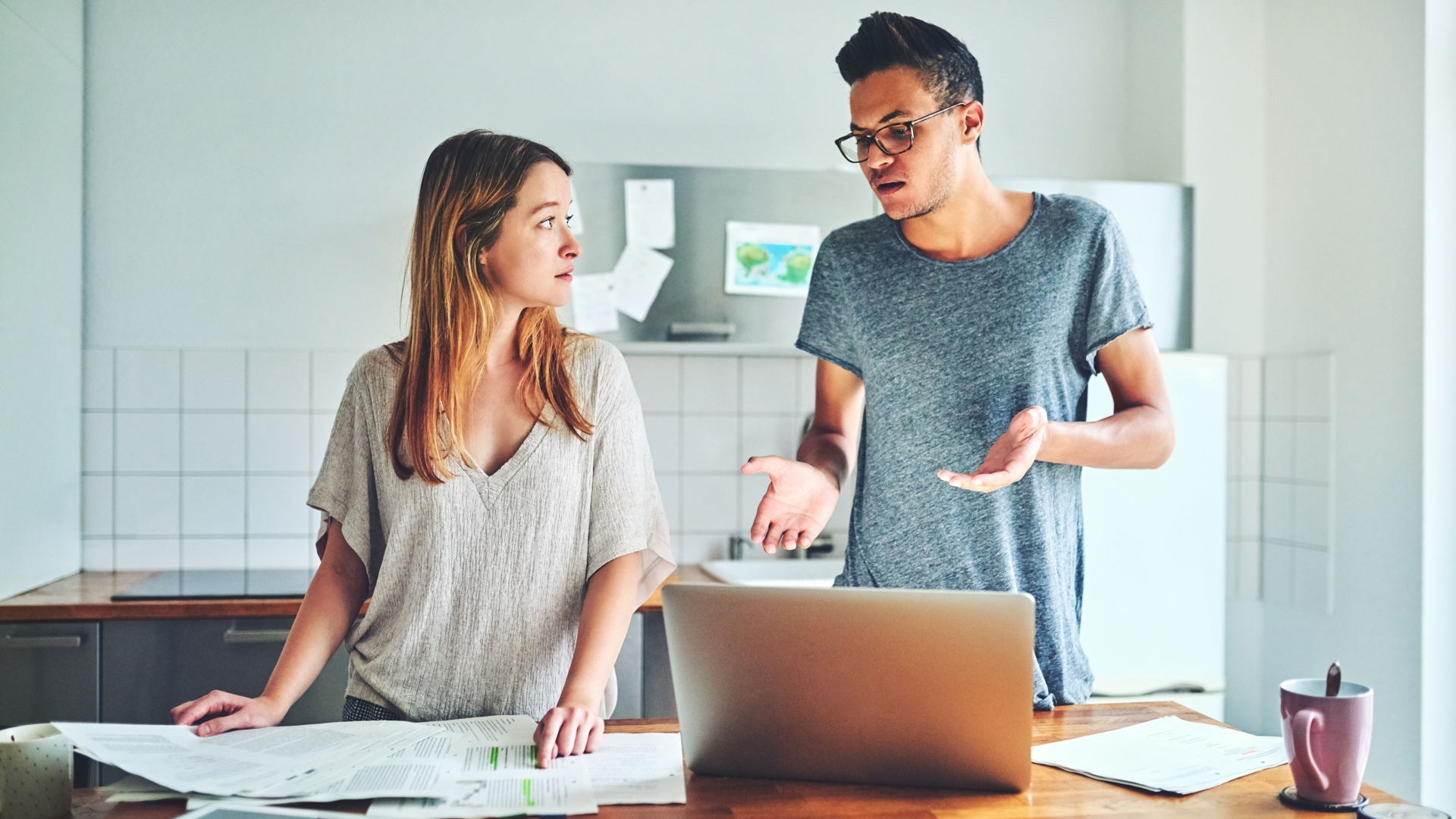 “Couples are more comfortable discussing sex than money,” said Neale Godfrey, chairman and president of Children’s Financial Network. “They need to be comfortable with both. They should come clean with each other about assets, debt, income and expenses. They also need to set their goals together.” Avoiding money conversations can result in a change in the relationship’s power dymanic. 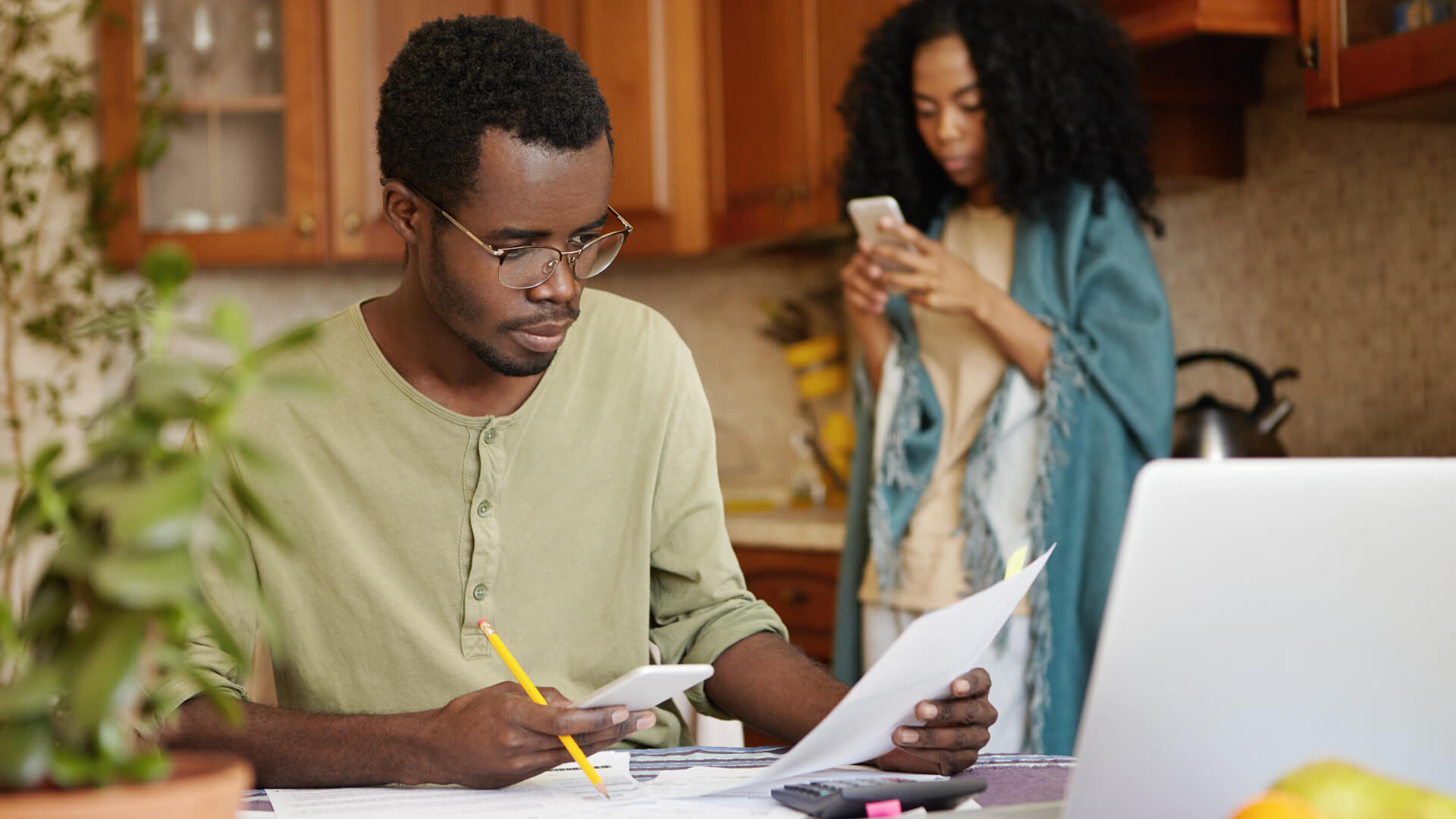 It takes two to tango — and this has never been truer than when it comes to financial heavy lifting. This includes paying the bills and the management of investments.

“Both partners need to have a clear handle on the inflows and outflows of money,” Godfrey said. “Even if you hate paying bills, do it.” 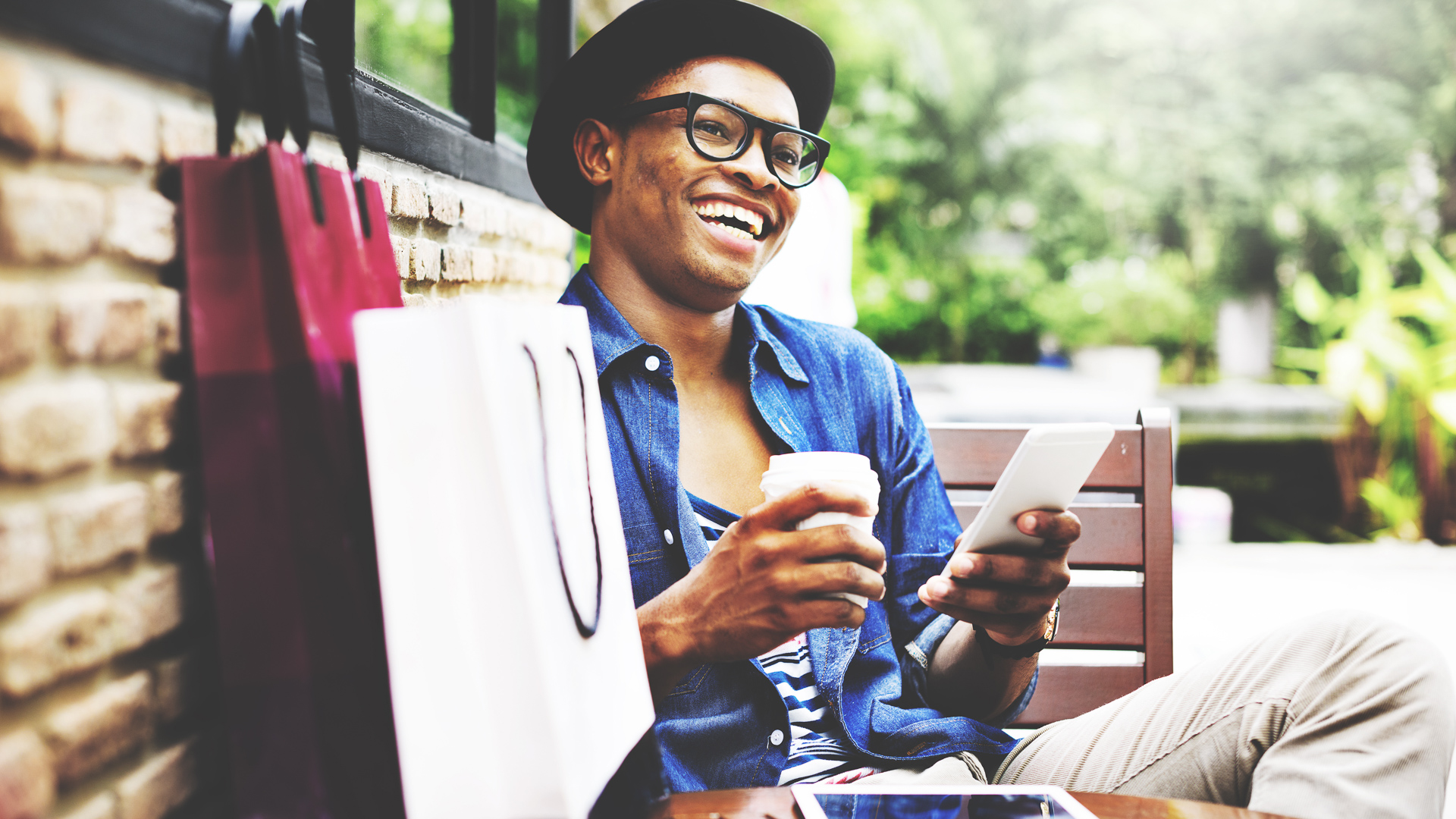 Being real about who you are and accepting the other person as he or she is can mean the difference between relationship success and couple catastrophe — especially where money is concerned.

“You have come into the relationship as either a saver or a spender, and that will determine how you handle money,” Godfrey said. “You will feel your way is the right way and vice versa. Trust me, this will start a lot of arguments, resentment and stress. Explain your personality and how you developed it. I bet your parents and your upbringing had a lot to do with your present-day attitude toward money.” 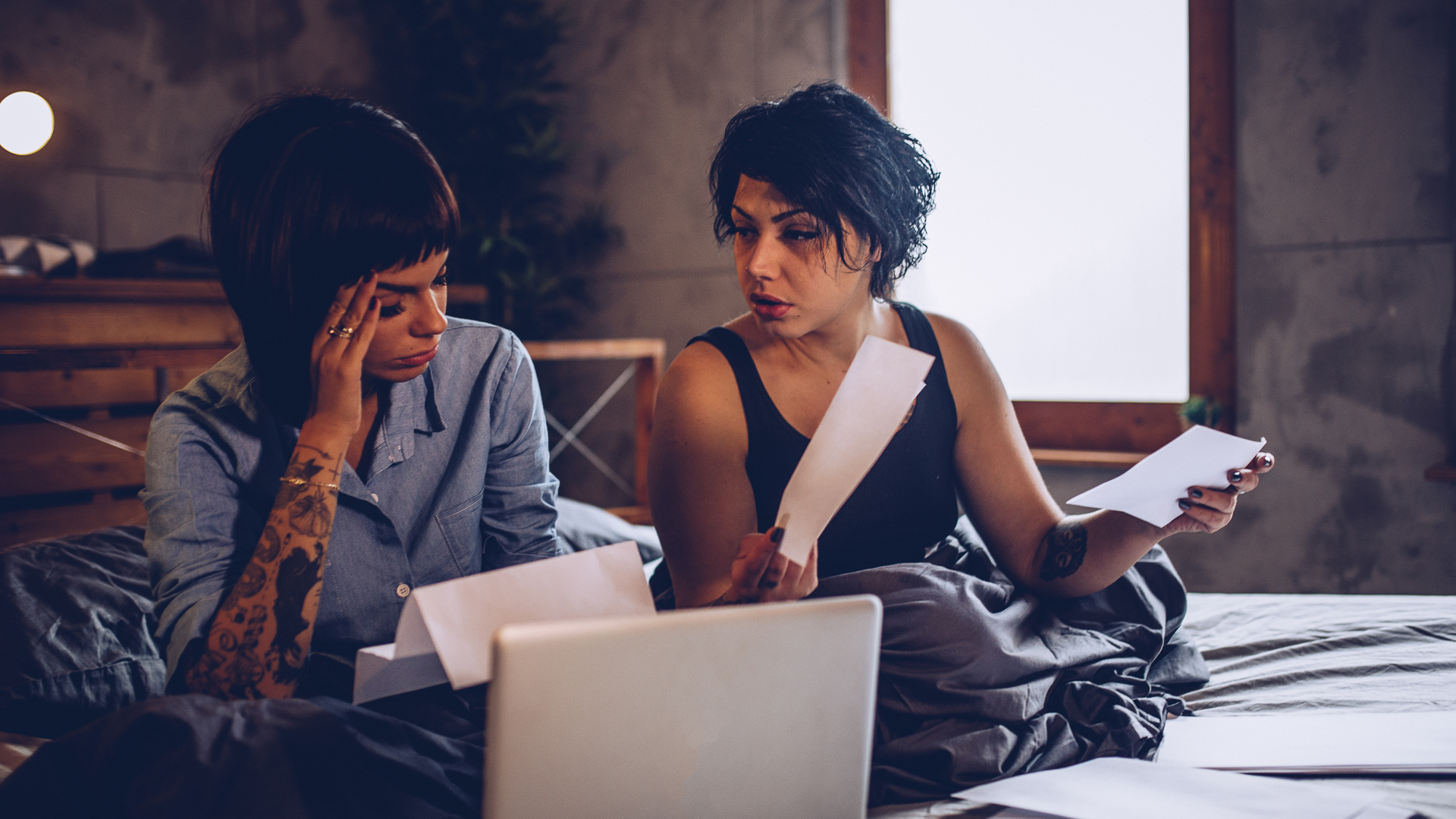 You might find starting the discussion about prenuptial agreements painfully uncomfortable, but there are numerous upsides to suffering through the talk.

A discussion about prenups can set the stage for estate planning, protect your property and make things transparent by clearly defining what is communal and what is marital. There’s no rule that says you have to have a prenup if assets are lopsided — but you should have the talk. 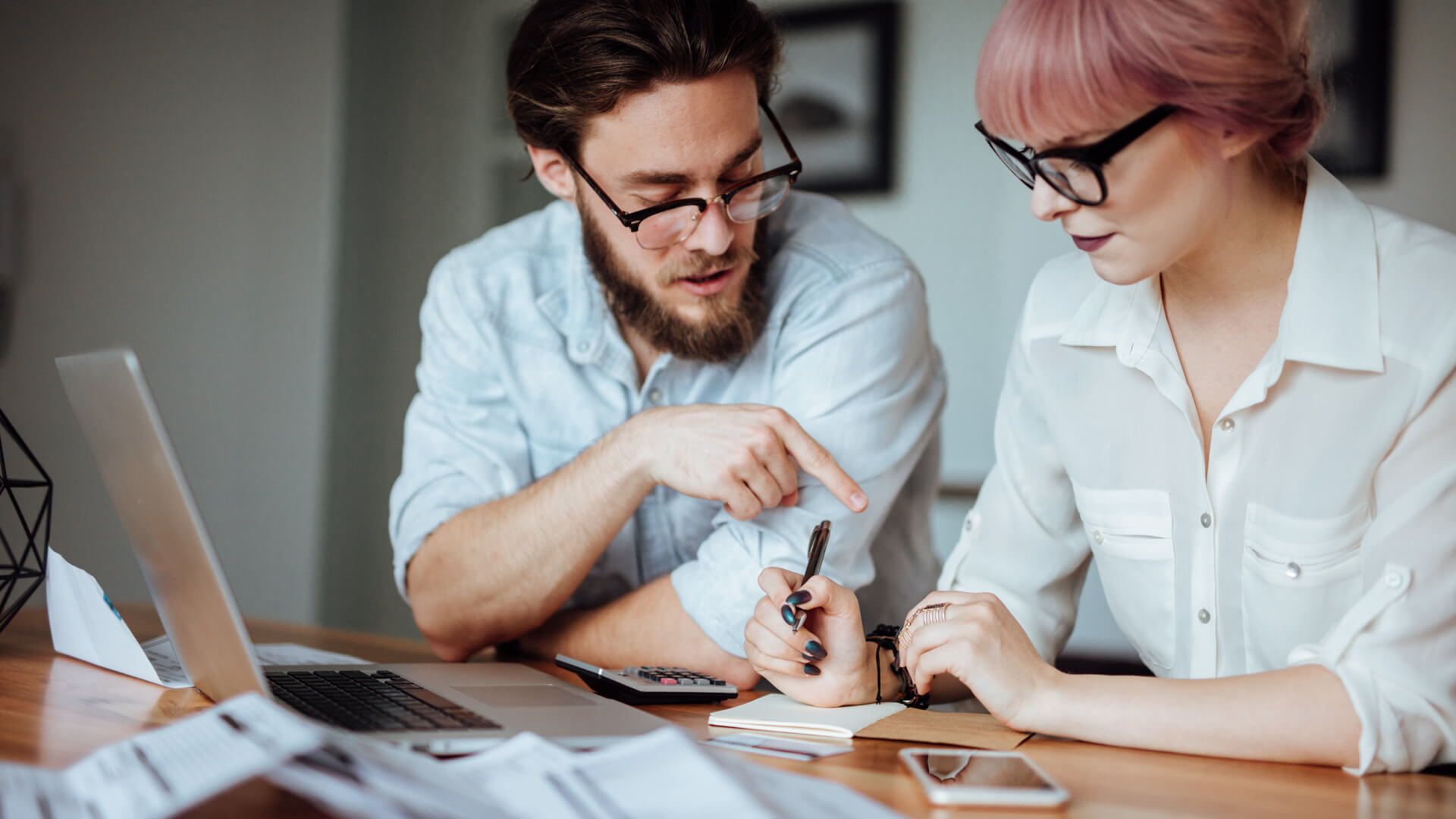 Even in relationships that began at work, it’s likely that one partner makes more money than the other.

According to financial author, radio host, speaker and self-help guru Dave Ramsey, it’s never okay for the bigger breadwinner to hold the wage gap over the head of the lower earner. Instead, it’s important to remember that you’re two equal parts of a team moving toward the same goal. 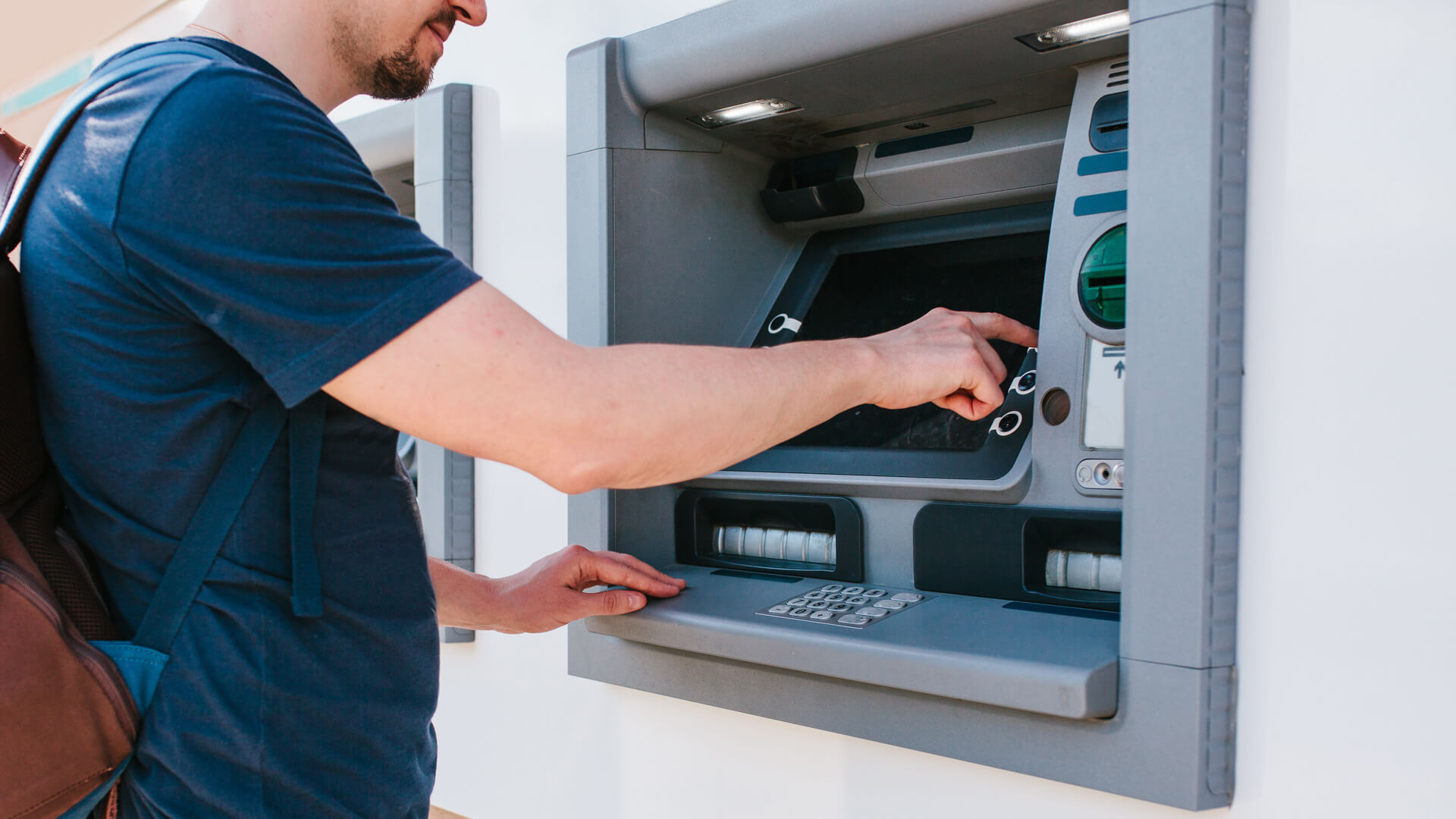 Cheating comes in many forms, and although seeing someone on the side is a well-known deal breaker in most relationships, many don’t hesitate to keep a secret of a different sort — a hidden credit card or bank account on the side.

While this might not be as immediately destructive as a physical affair, financial unfaithfulness can rise to the same level of deceit. If you’re unsure if your partner is being financially unfaithful or is lying about money, watch out for these signs. 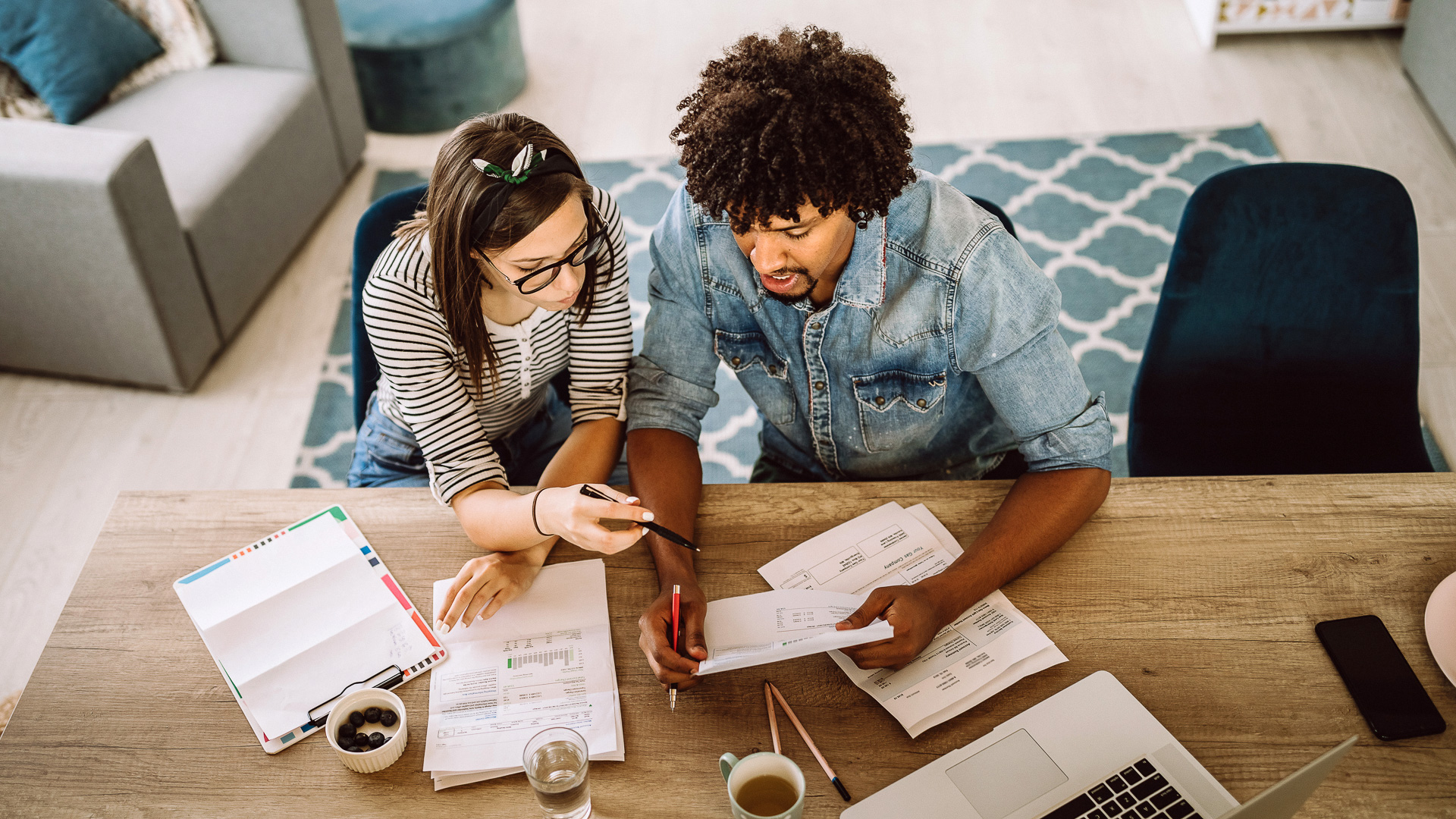 Insisting on Only Using Separate Accounts

For some married couples, his and hers bank accounts might seem like a simple way to avoid financial disagreements. But this can potentially create more marital problems than it solves. Marriage, after all, is a union.

Even if you have irreconcilable spending differences, it might be better to open a joint account and pay the bills and other necessities from there. Then you can divide up what’s left as two individual piles of disposable income. 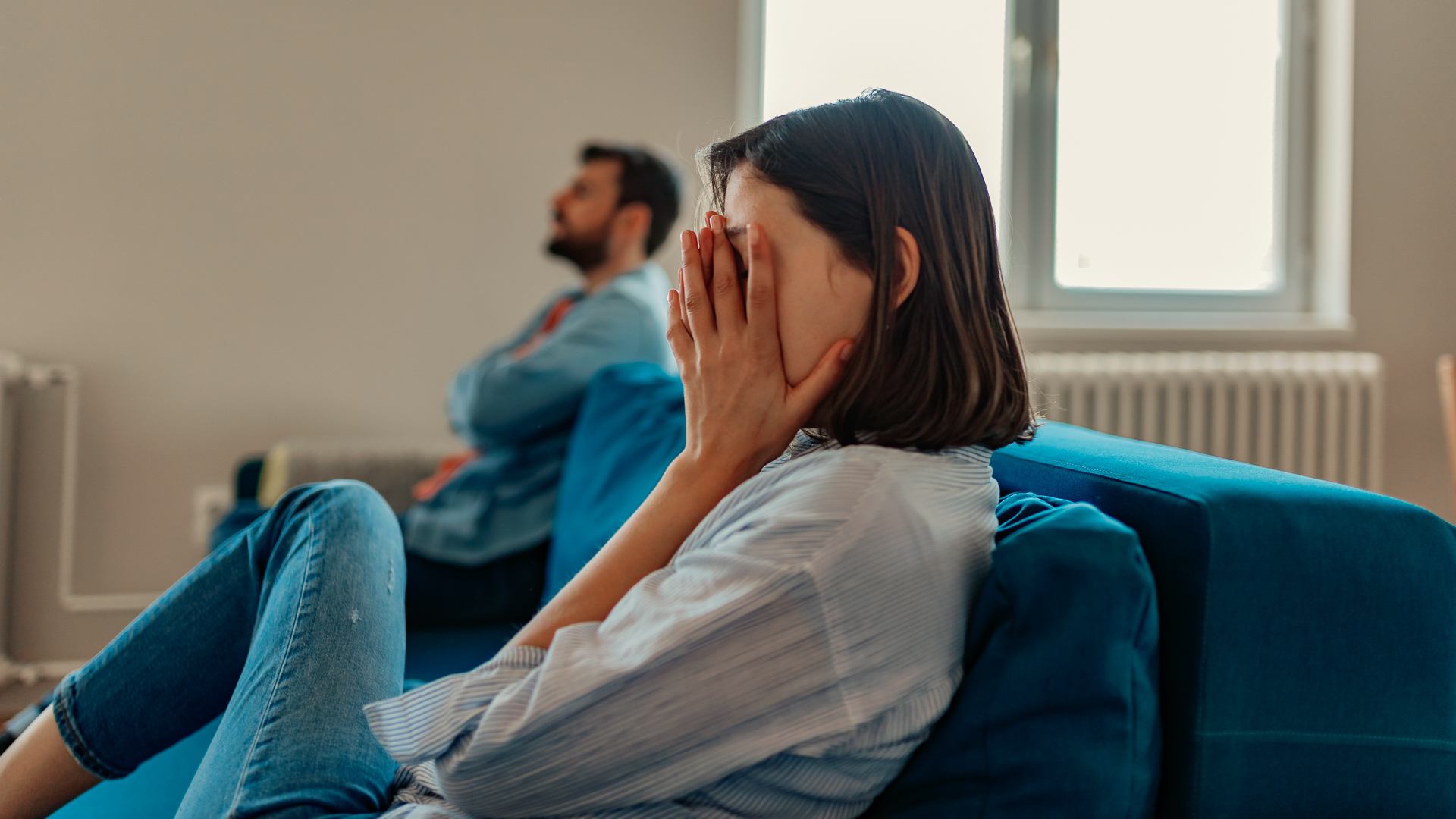 If you’re in a second marriage, it’s natural to want to start your new life as soon as humanly possible. But even if your previous life is a distant memory to you, the people you were financially connected to might not feel the same.

Alimony, child support and former spouses named as beneficiaries on retirement plans follow you to your new marriage. And if you’re hoping for smoother sailing the second time around, you’d better tie up all your financial loose ends. 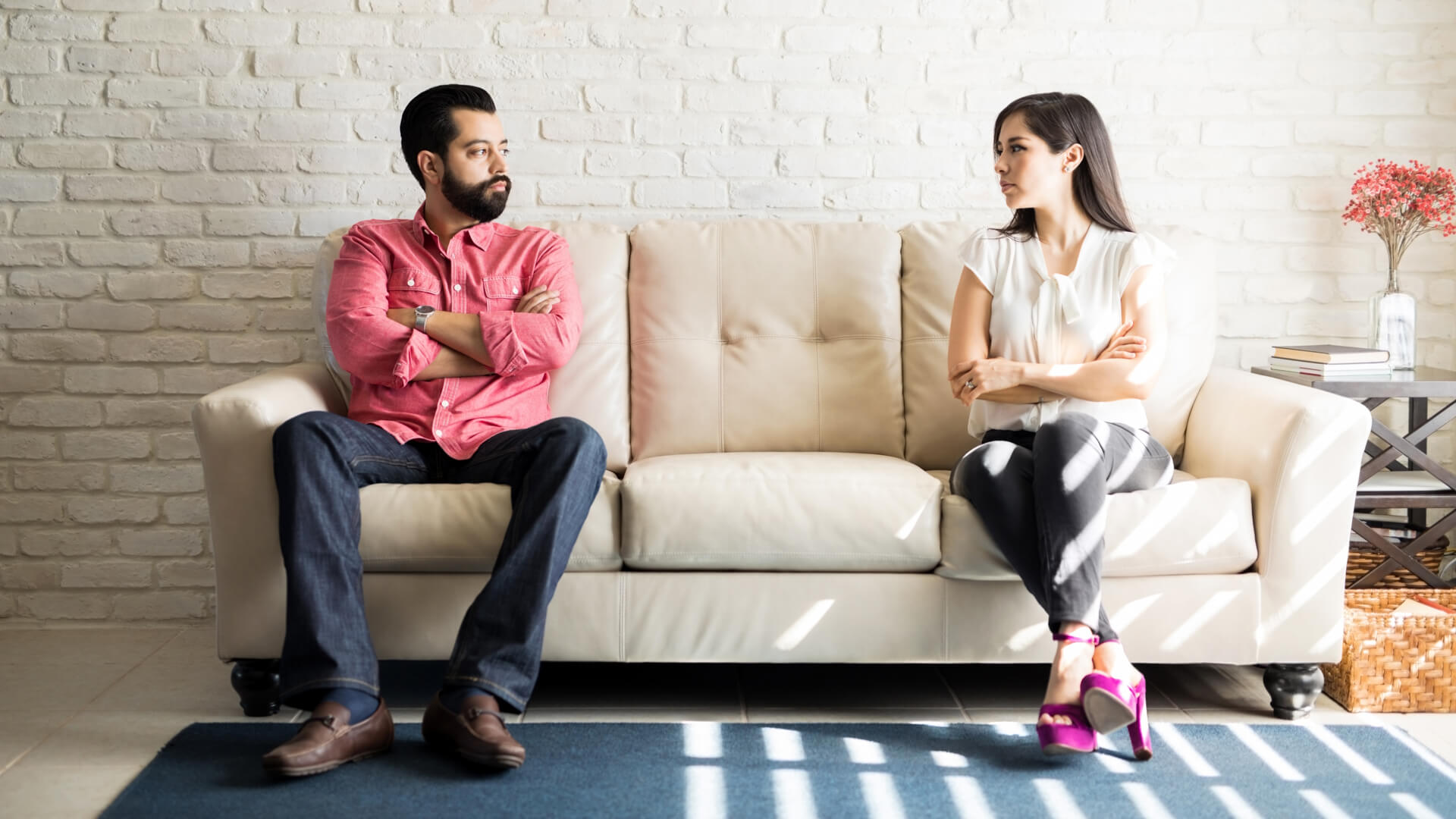 Financial coach Julia Kramer said in an interview with the Pittsburgh Post-Gazette that financial philosophies are often formed during childhood. Someone who grew up poor might assume that wealthy people are greedy. A wealthy child might assume that poor people don’t work hard enough. Other people might cling to the idea that money, in general, is evil — or that the quest to get too much of it makes people bad.

When these preconceived notions follow you into adulthood, they can sabotage relationships with people from different backgrounds. 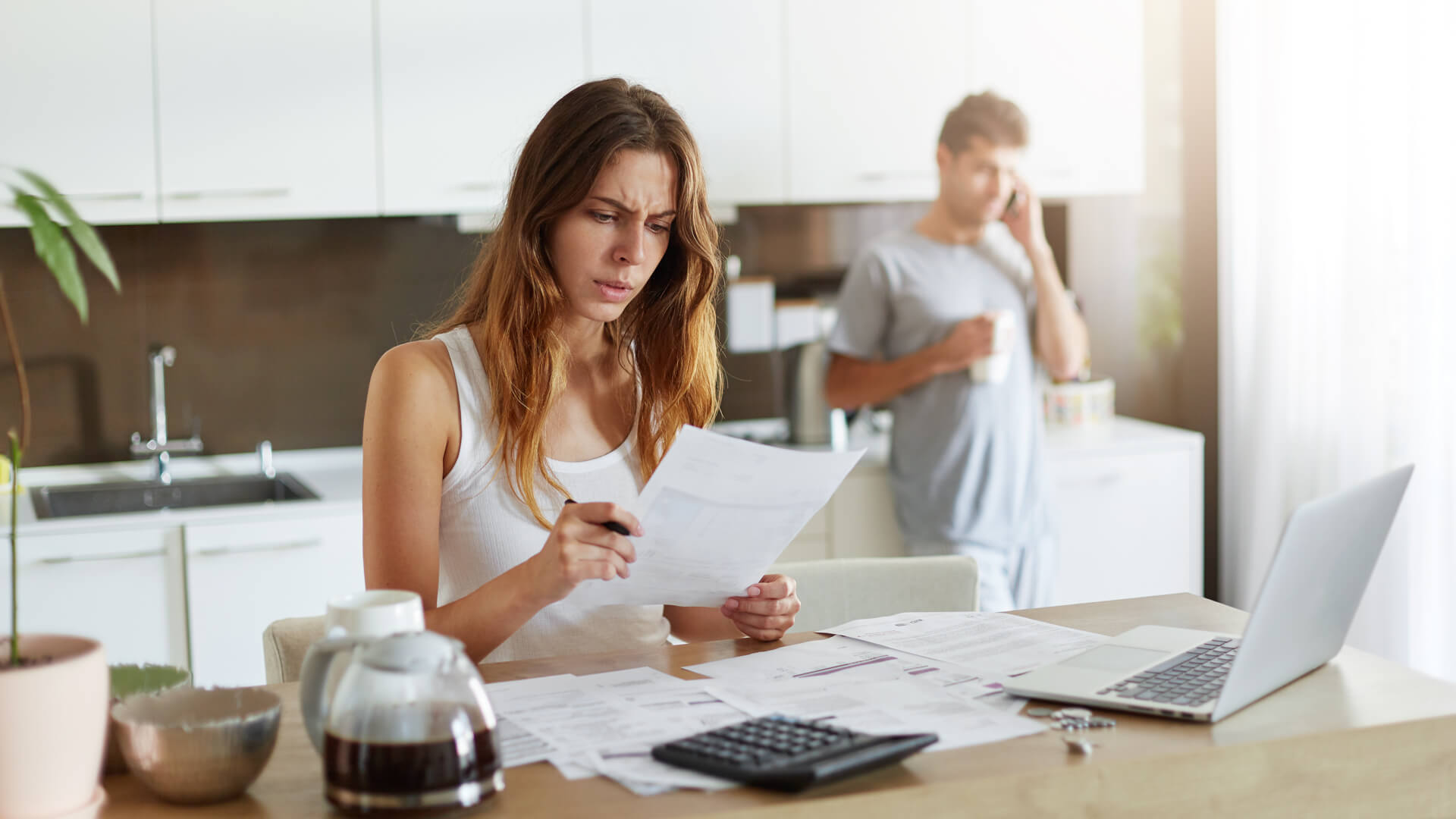 The sad but true fact about your all-important credit score is this: Good credit is a status symbol, and poor credit has a stigma attached to it. A shaky credit history can — right or wrong — bring feelings of shame, which can lead people to fudge the truth to a significant other.

Relationship coach Jo Hemmings wrote in the Telegraph that starting a relationship with a misrepresentation of your credit situation can stoke mistrust or feelings of betrayal. Whether it’s buying a car, a home or even applying for a credit card, the truth about your situation is bound to come out. It’s better to be upfront and formulate a strategy together about how to boost the lower score.

Find Out: How Your Credit Score Works So You Can Improve It 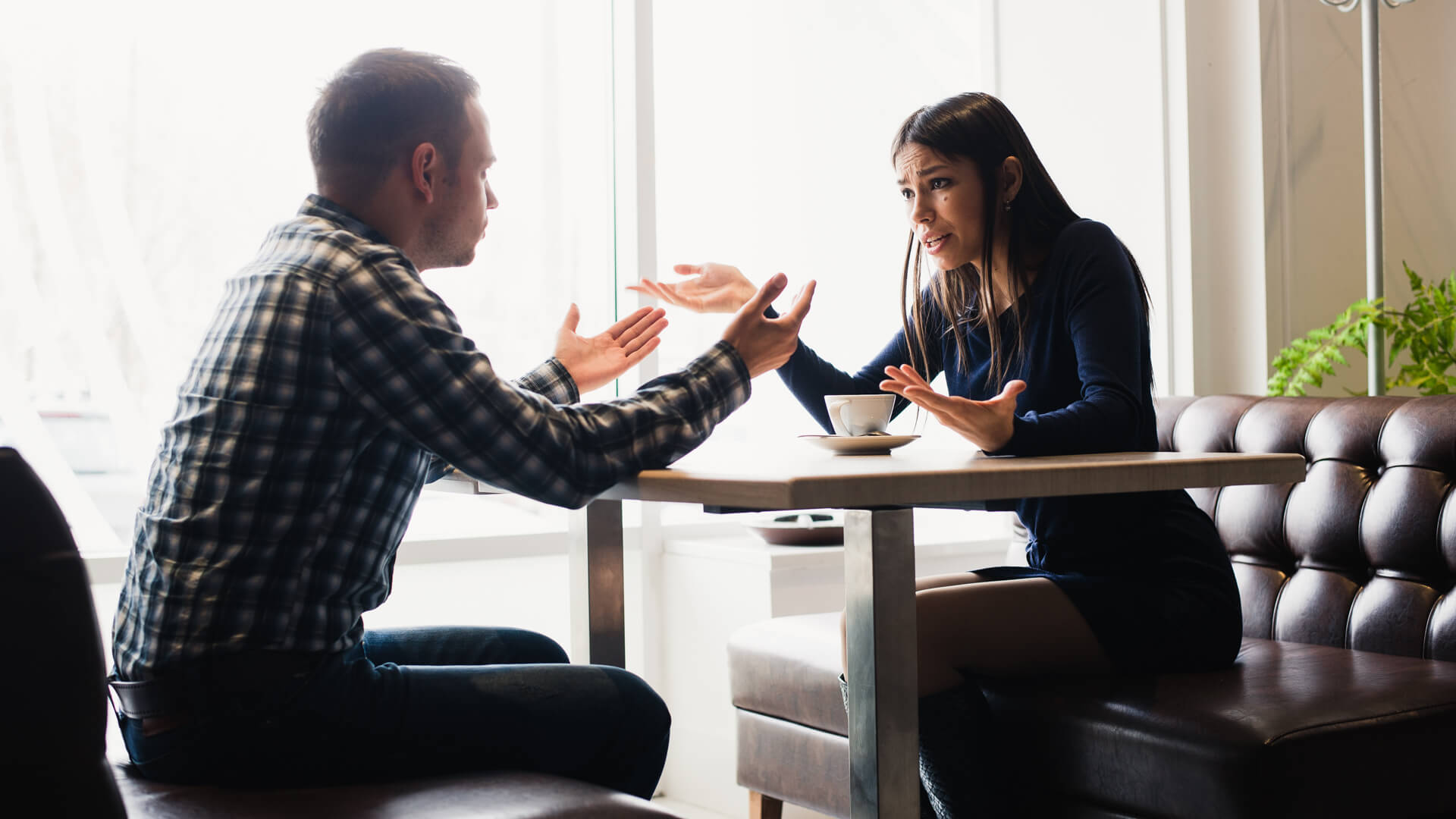 Forgetting That You’re on the Same Team

Couples wrestling with financial stress all share one powerful common benefit — an ally by their side to help them attack the problem in unison. Sniping about who spent more, who brought what debt into the relationship or who didn’t save enough dulls the power of teamwork. 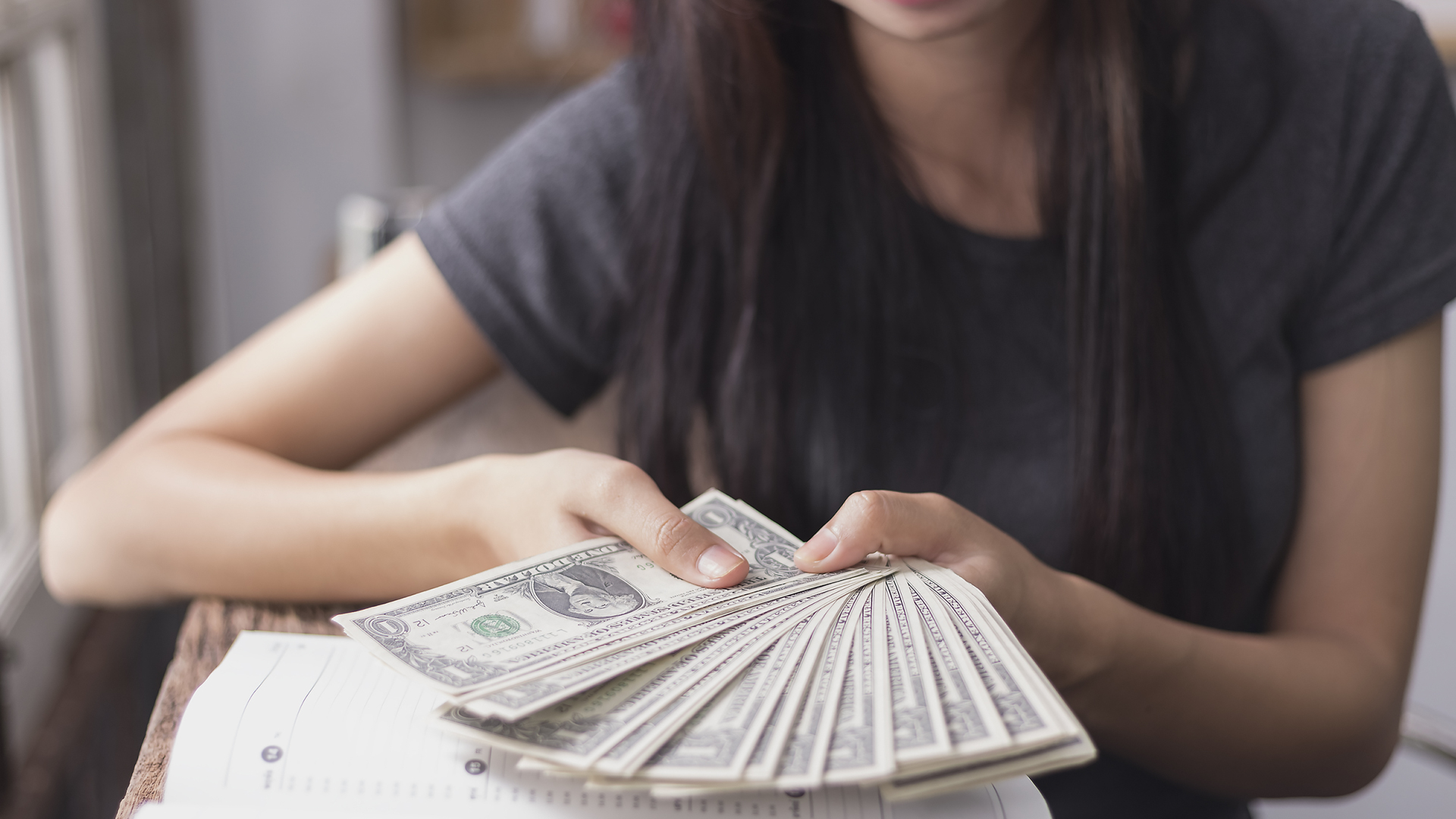 Loaning Money to Family on a Whim

A Lending Tree study found that people who loan money to relatives are repaid an average of 57 percent of what they gave.

If a relative — particularly a grown child — comes to you for financial help, you’d be well-advised to discuss it thoroughly with your partner. A perceived giveaway to a relative your partner would not have agreed to loan money to is a perfect recipe for resentment, mistrust and anger. 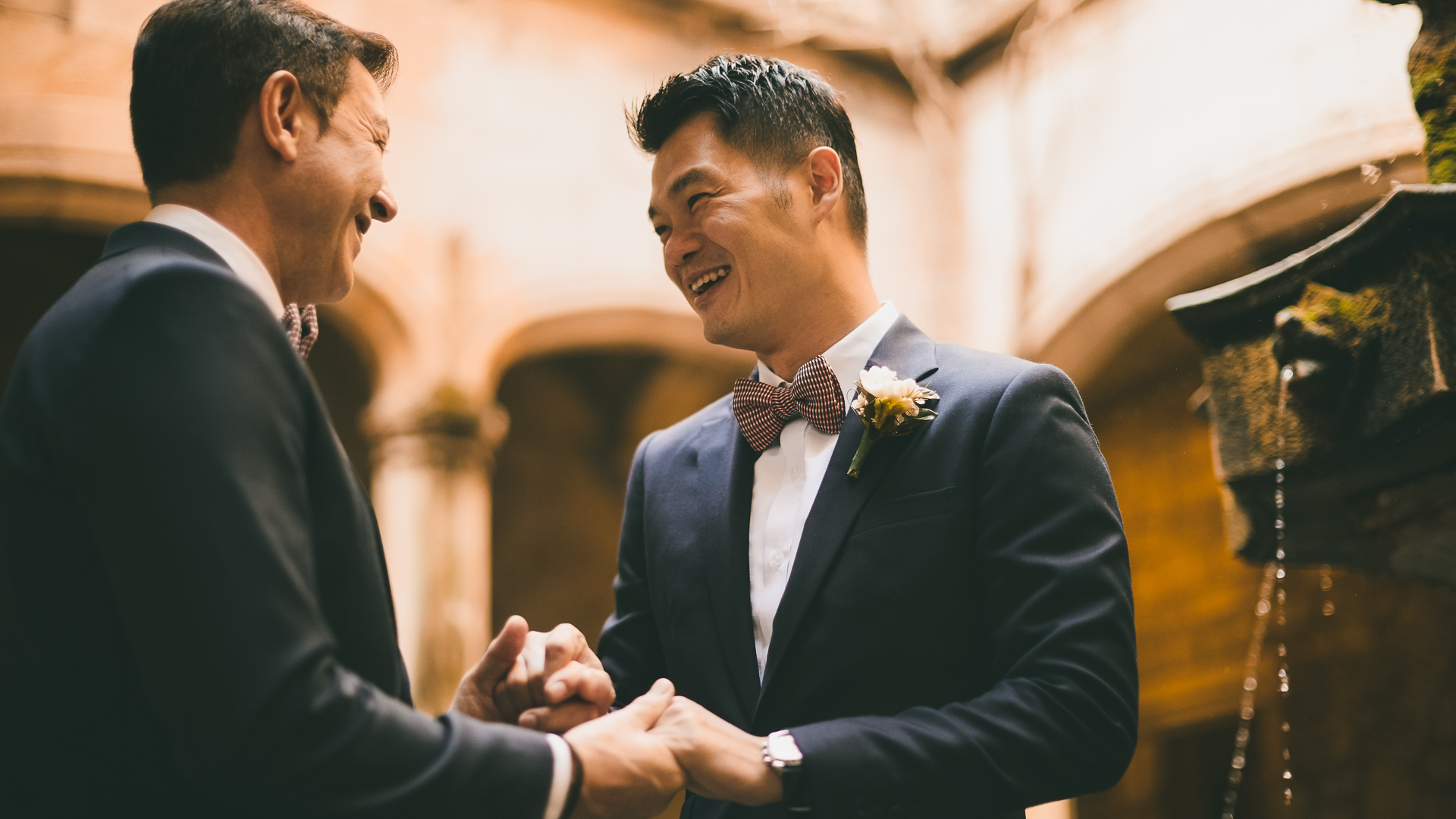 Spending Too Much on a Wedding

According to The Knot’s 2016 Real Weddings study, the average wedding costs a record $35,329 — that’s around $5,000 more than the median annual salary in the United States.

Weddings are an industry — and a big one, at that. Magazines, bridal shops, jewelers, florists, caterers and countless other components of that industry all benefit from convincing you that bigger is not only better — but necessary. It isn’t, and plenty of brides and grooms express regret over splurging when the credit card bills come due. 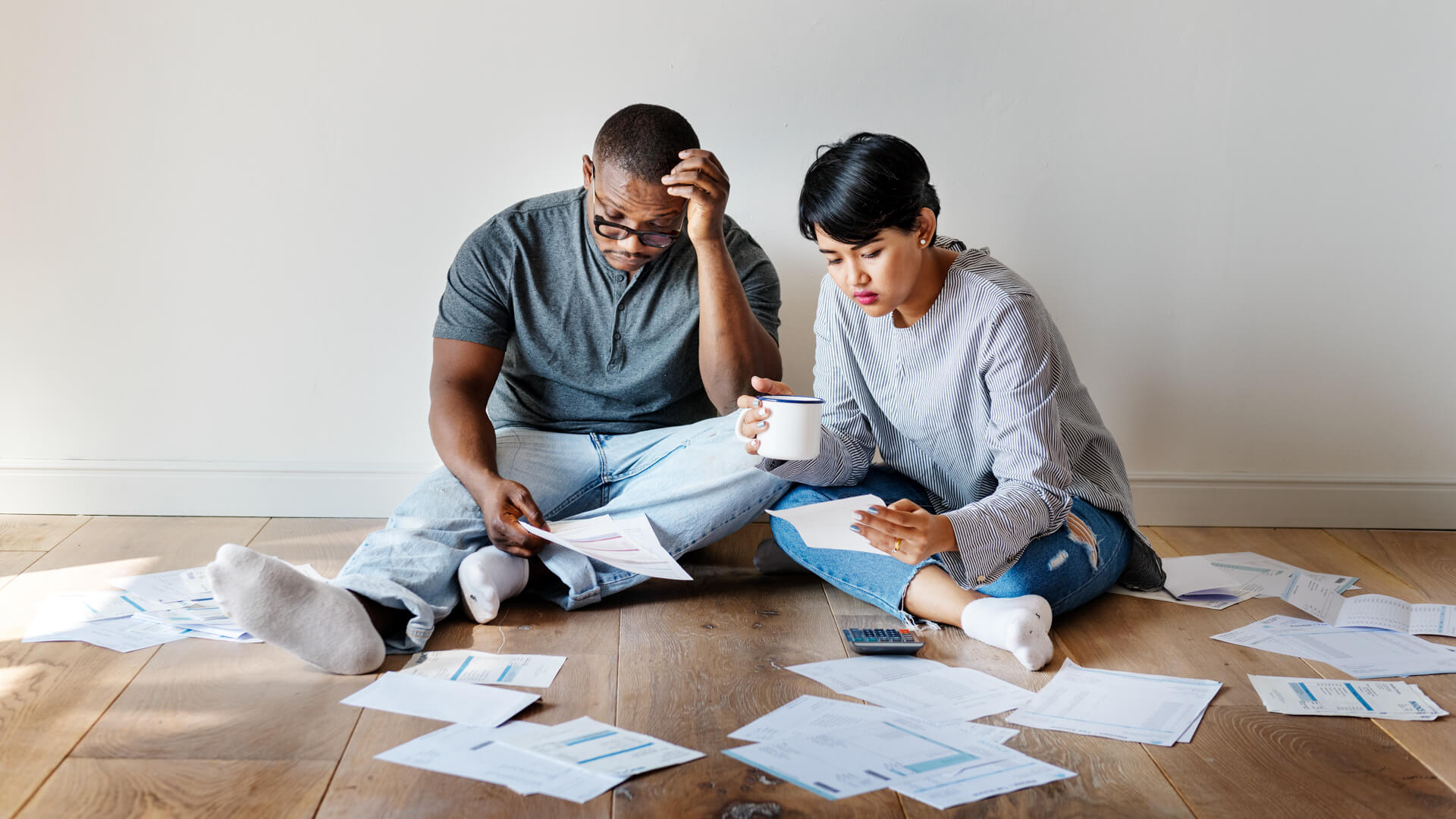 A SunTrust Bank study found that the No. 1 cause of financial friction is frustration over frivolous spending. Frivolous, however, is a subjective concept.

Couples who pool resources and share expenses have to define clear limits on how much each person can spend each month without discussion or consensus. 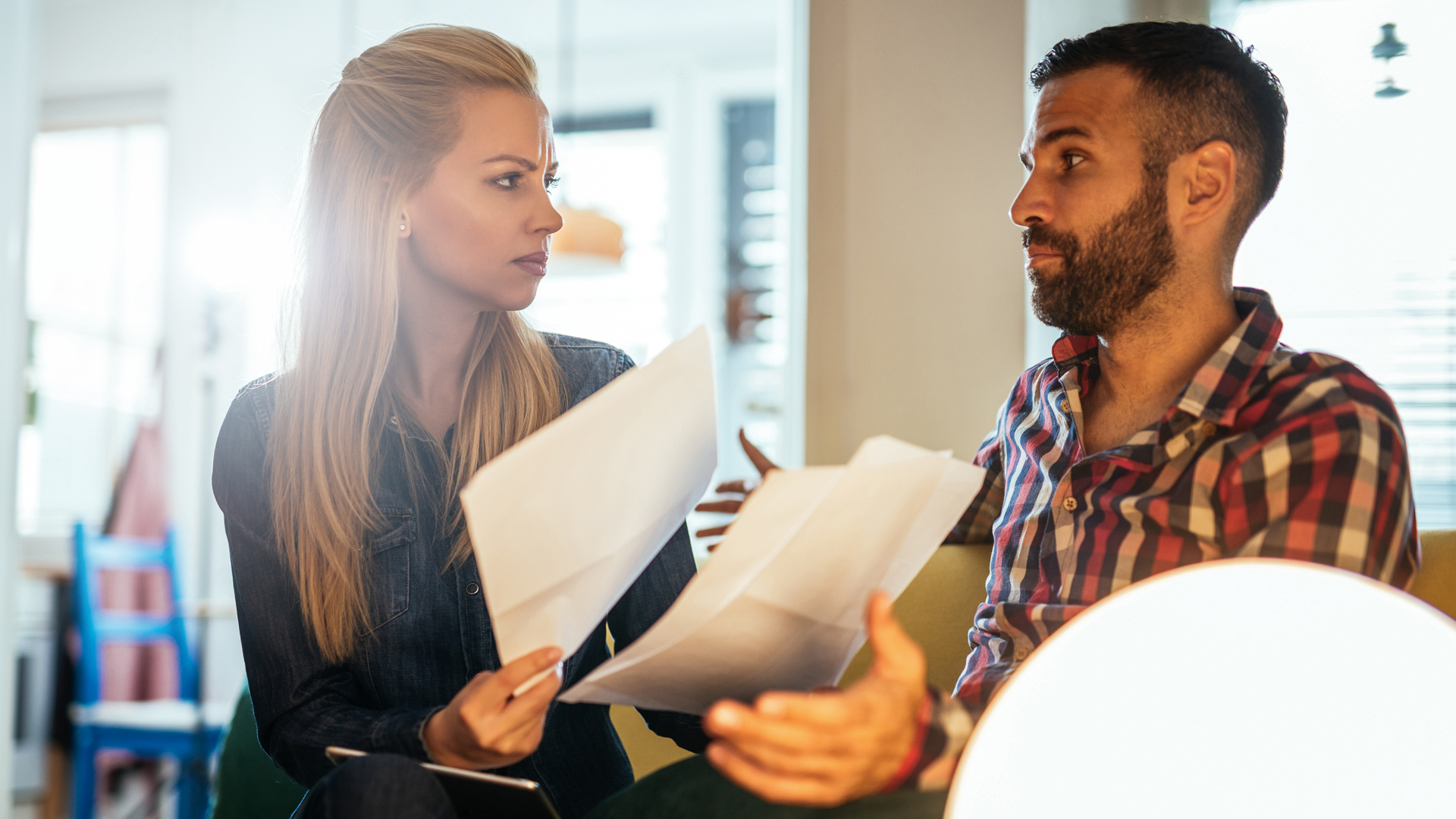 Being Blasé About Taxes

If two people get married, their tax situation almost always changes. If they both have similar incomes, they might actually owe less than they’re used to paying. If there’s a big wage gap, however, both parties might owe more.

To avoid friction in April after your very first year as newlyweds, consult a professional — or at least conduct your own research — before the taxman comes knocking. To get you started, here are the answers to some common tax questions married couples ask. 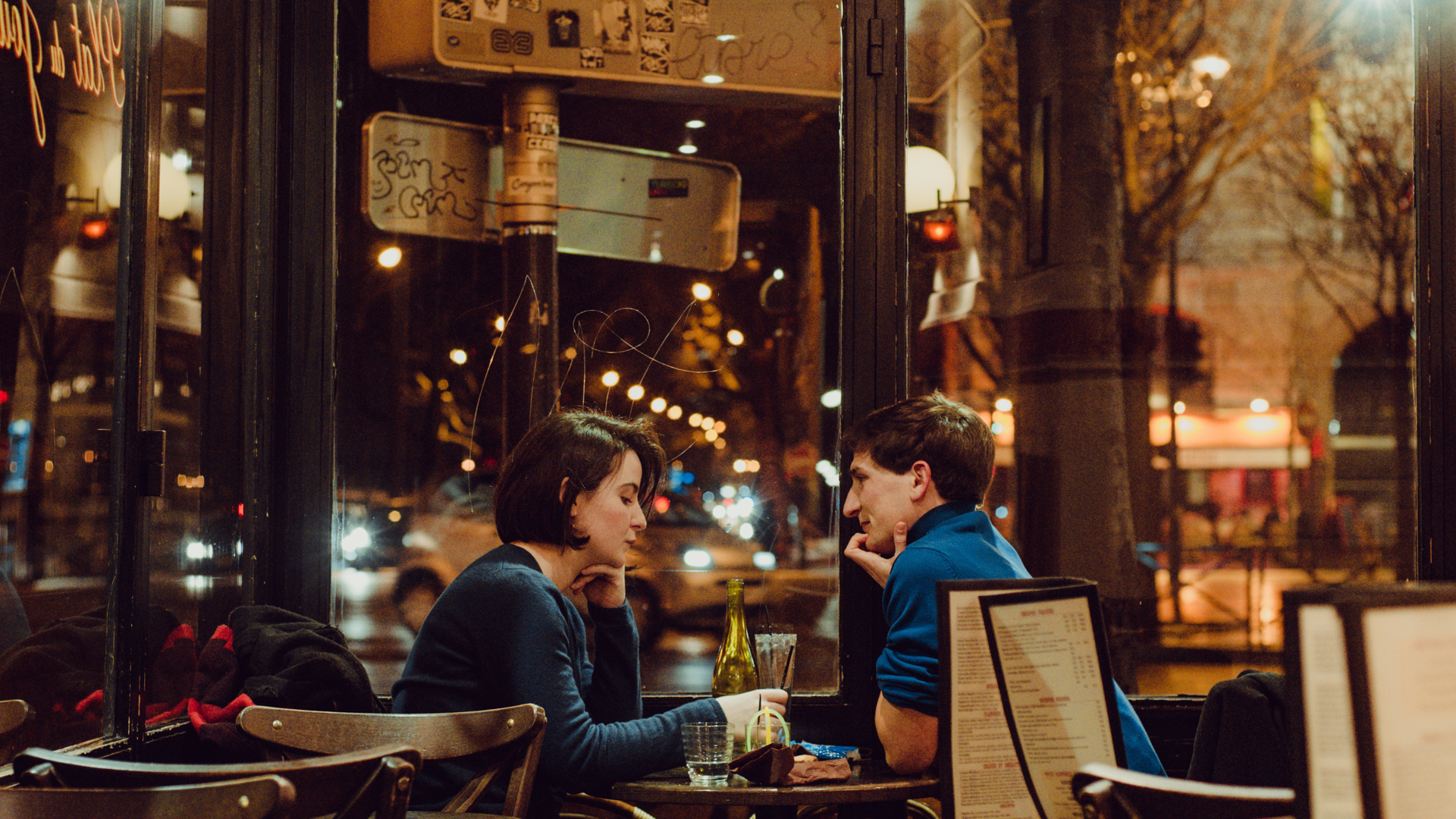 Overspending on the First Date

There’s no one right amount to spend on a first date. A college student’s budget and expectations will probably be much lower than a professional’s, who will probably spend less than an NFL star.

No matter your situation, however, spending too much up front can set unrealistic expectations, make the other person uncomfortable or even turn them off to you as a possible partner.

Build up slowly to high-end fun, and don’t spend more than you can afford just to impress. Instead, try one of these fun and free date ideas. 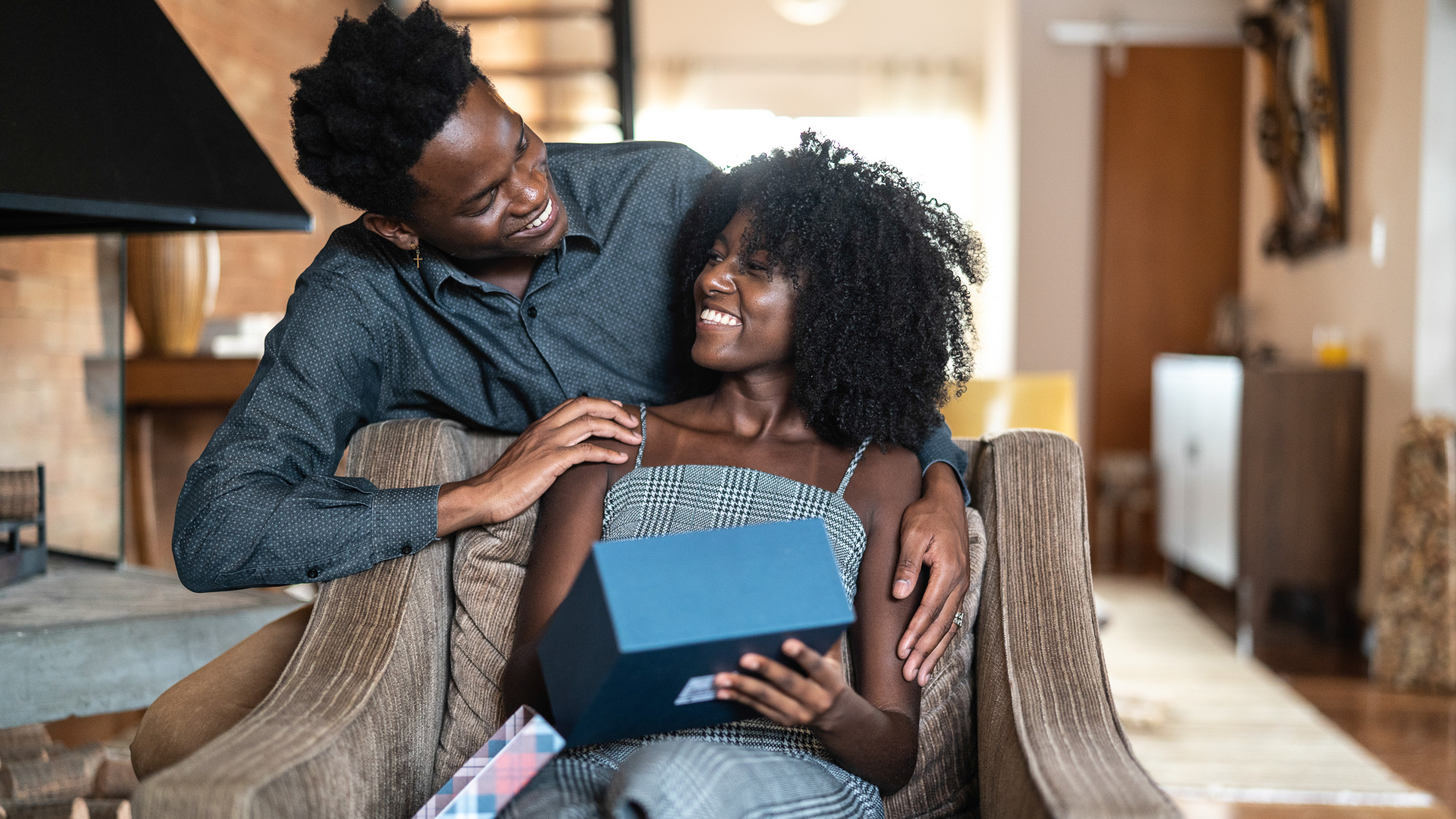 Being Too Generous Early On

There’s nothing wrong with showing how much you care with a heartfelt gift or two when you meet someone you like — but there is such a thing as being generous to a fault.

Overspending can make people uncomfortable, feel like they owe a debt they didn’t ask for or, even worse, make you come off as desperate or that you’re overcompensating for low self-esteem. Even if your intentions are good, extreme selflessness can be as off-putting as selfishness. 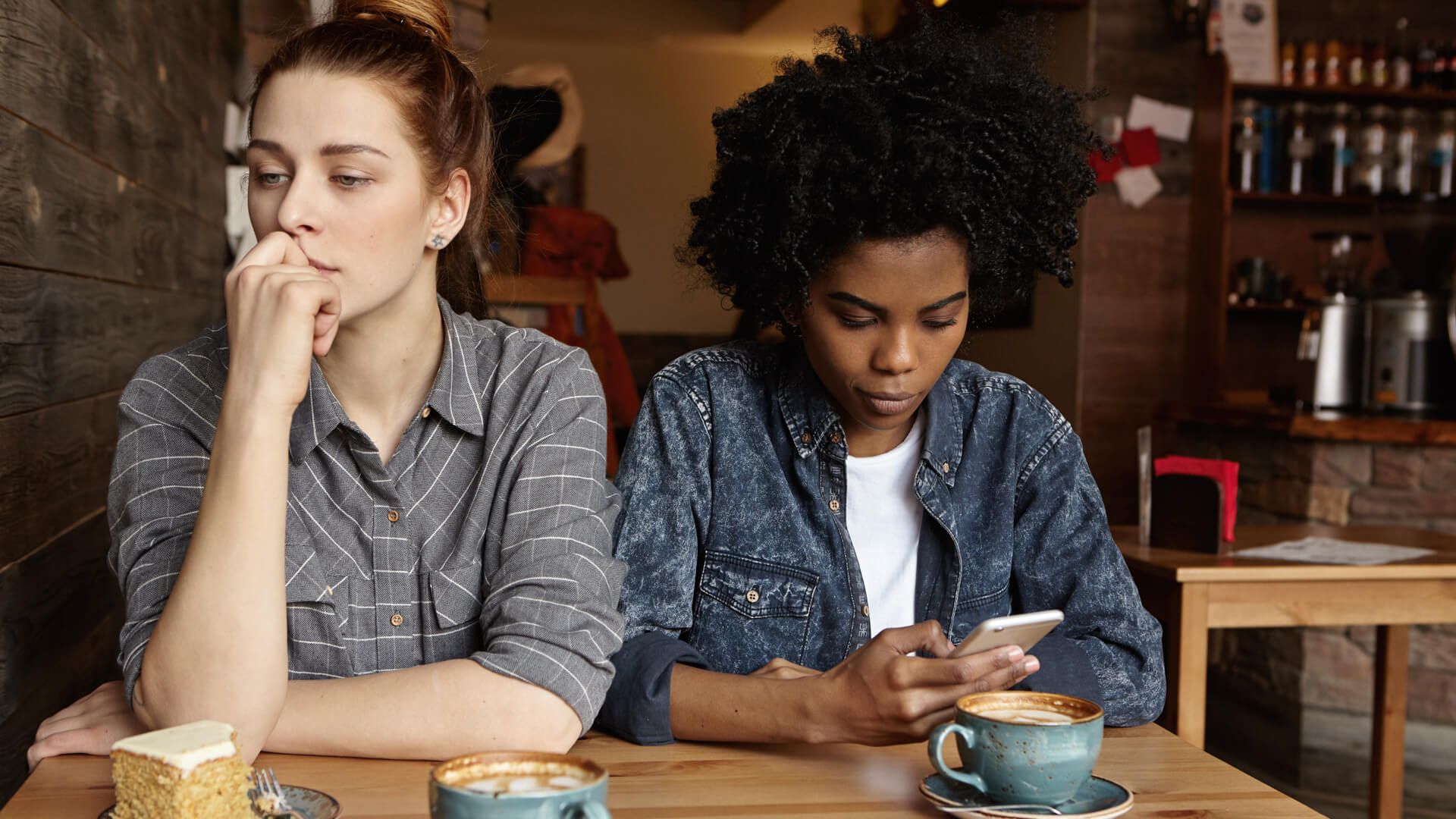 If there’s a chance for things to get serious, at some point you’re going to have to openly and honestly discuss financial goals. This is especially true if you plan on moving in together.

After you’ve decided to share space and expenses is not the time to discover that one person wants to travel the world — and the other wants to save for a house. 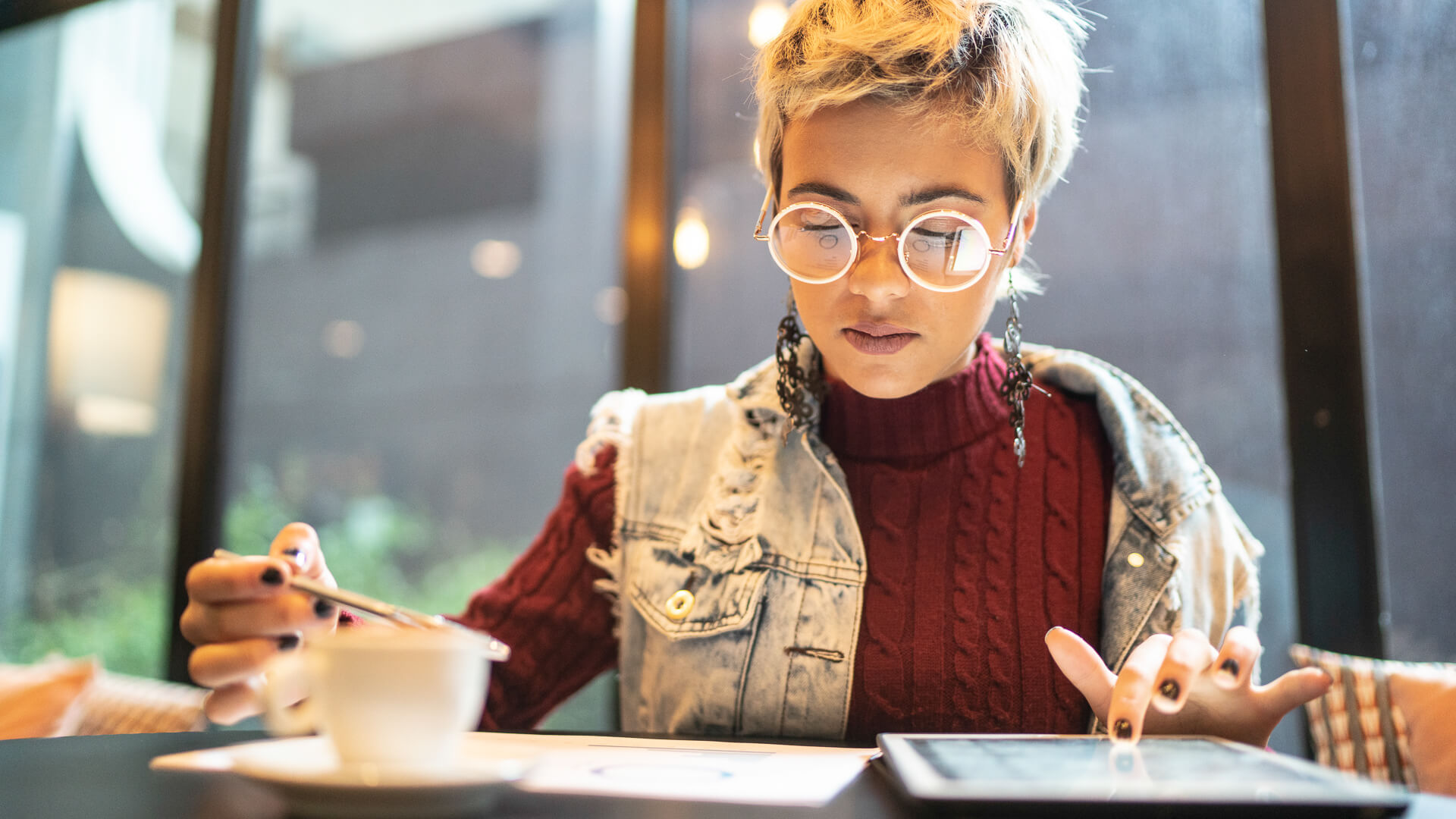 Even if you’re sure that you’ve met the one, resist the urge to play house too soon. People who are dating don’t have the same financial protections as married couples, or even long-term cohabitating couples.

So keep big purchases separate and documented to protect yourself in case of a breakup.

Learn More: A Guide to Merging your Finances After Marriage 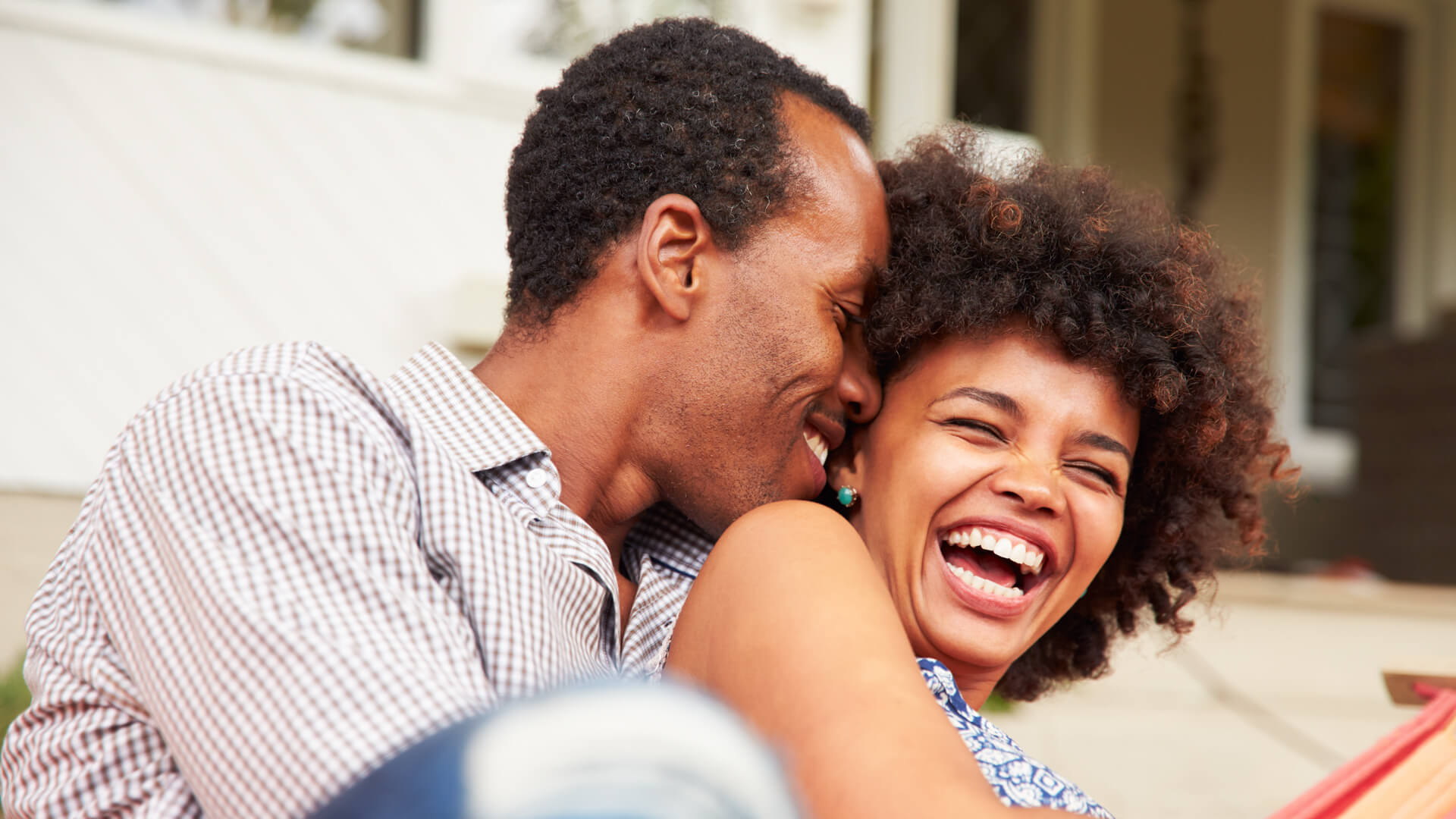 Forgetting To Have a Laugh

Financial anxiety can be an all-consuming stress. That’s why it’s so important to find a little levity wherever you can.

Money issues are serious. You shouldn’t take them lightly. But a lighthearted approach to a heavy subject matter can take the edge off of the stress that financial strain can put on even the healthiest relationships. You have someone to weather the storm with — be happy for that and don’t forget to laugh when you can.