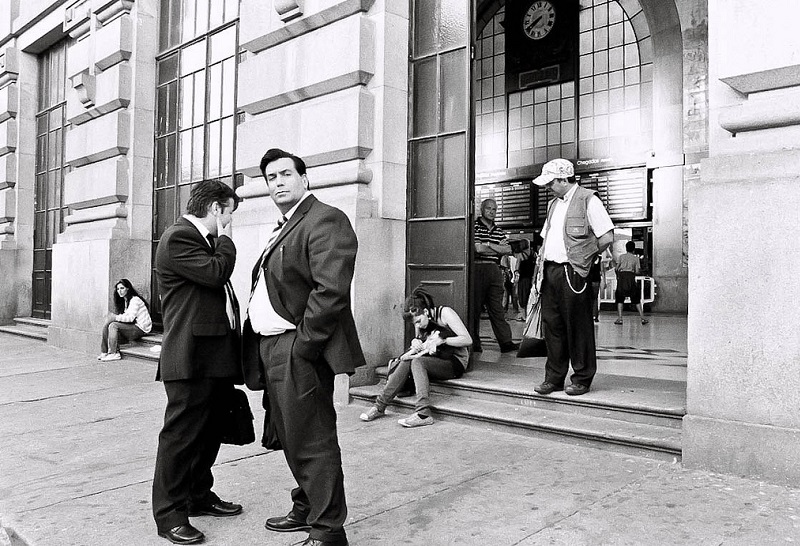 There’s an unsettling correlation between psychopathy, a personality disorder characterized by a lack of conscience, and those who find personal wealth and success. From negotiating the hiring process to manipulating and controlling co-workers, psychopaths thrive in the modern corporate workplace, often making millions during their rise to stardom. The incidence of psychopathy among CEOs, for instance, is four times higher than the general population, reports journalist Jon Ronson in his book “The Psychopath Test.”

“Basically, when you get them talking, [psychopaths] are different than human beings,” Ronson told Forbes. “They lack things that make you human: empathy, remorse, loving kindness.”

In studying psychopaths, researchers Paul Babiak and Robert Hare found that the high-stakes, high-profits corporate environment attracts these dysfunctional personalities. Psychopaths often share the same goals as many others: money, power, material goods and influence. But as Babiak and Hare report in their co-authored book “Snakes in Suits,” the difference between a typical corporate worker and a psychopath is that the latter views any means, even the harmful, cruel or illegal, as justified if they help achieve the end.

7 Traits Shared By Psychopaths and the Wealthy

This is not to say all wealthy and successful people are psychopaths — after all, the four-times-higher rate of psychopathy among CEOs was still just 4 percent. But there is a correlation between wealth and psychopathic behavior. Here are some of the most common psychopathic traits exhibited by the rich.

Psychopaths are incapable of empathy — understanding the feelings and experiences of others and responding appropriately. A lack of empathy was also linked to those who are rich and powerful in a 2008 study by social psychologists from the University of Amsterdam and UC Berkeley, reports The New York Times. The study paired up strangers and asked them to share difficult moments in their lives with each other, like the death of a loved one or divorce. The study’s participants who were more powerful in terms of wealth and social status showed less compassion and attentiveness to the struggles of their less-powerful counterparts.

Dacher Keltner, a Berkeley psychology professor involved in the study, explained that people tend to focus on social connections with people who offer them the most value. To the wealthy, those with few material assets and little social power matter the least. The less-well-off, however, rely more on social connections for support, and so are more willing to listen to others and give their experiences greater weight. This kind of “social distance” can lead successful people to display less empathy for those of lower socioeconomic statuses.

Read: “The Wolf of Wall Street” and Other Films About Rich Psychopaths

Nobel economics prize winner and psychologist Daniel Kahneman tracked the achievements of 25 wealth advisers over eight years and found that that their success was a total illusion, reports The Guardian. The consistency of their performance was zero.

“The results resembled what you would expect from a dice-rolling contest, not a game of skill,” Kahneman said. Contrary to the advisers’ beliefs in their superior talents, the study showed that luck had the biggest impact on their financial successes, not skill. When Kahneman pointed this out to them, the facts fell on deaf ears — the financial advisers simply could not believe it.

“The illusion of skill…is deeply ingrained in their culture,” Kahneman said.

Do senior leaders rise to the top because their judgment, vision and management skills are superior to anyone else in the company — or do they get there by manipulating others, through charm, deceit or a sense of entitlement?

A study published by Psychology, Crime and Law tested the psychological traits of 39 senior managers and chief executives from leading British businesses and compared these results to those of convicted criminals. The business executives tested similarly to the convicts for certain indicators of psychopathy.The managers actually scored higher for several characteristics that companies value and reward, including skill in flattering and manipulating powerful people, a strong sense of entitlement, a willingness to exploit others, and a lack of conscience.

Psychopaths are usually very charming and charismatic, but show little remorse when their actions harm others. A psychopath often blames others for the things he does, or the negative outcomes of his behavior. Ronson told Forbes that in America’s capitalistic society, psychopathic traits and ruthless, cold behavior actually become positives. Among higher-scoring psychopaths, there was even a joy in manipulating others, actions for which a typical person would feel remorse or guilt.

Ronson names Al Dunlap, the former Sunbeam CEO and author of “Mean Business,” as an example of this. Dunlap earned a nickname of “The Chainsaw” and a spot on TIME’s list of the “Top 10 Worst Bosses” through his brutal layoffs and aggressive restructures to increase corporate profits. Still, the more merciless his tactics, the higher the stock value of companies he managed rose.

It makes sense that the rich can afford to be more generous and would thus be more likely to give than those who are less well-off, but a recent study shows that the reality is the opposite. An experiment by Paul Piff and a Berkeley research team suggested it’s the poor, not the wealthy, who are more inclined to charitable giving, reports The Economist. The team observed that the generosity of study participants increased as their economic statuses fell. Those who ranked themselves at the bottom of the ladder gave away 44% more than the participants who ranked themselves at the top.

Related: Do the Rich Have a Social Obligation to Help the Poor?

Upper class people are more likely to behave unethically than lower class people, according to a series of studies from the National Academy of Sciences of the United States of America. Data from the study suggested this unethical behavior was supported by a more favorable attitude toward greed. The series of studies showed that upper class participants were more likely than poorer participants to:

Psychopaths love to live life in the fast lane. Living on the edge gives them the sense of danger and excitement they crave, reports Psychology Today. Many psychopaths commit crimes or hurt others just for the thrill of it. Anything mundane, boring or repetitive doesn’t excite them and they will quickly lose interest.

“Basically, high-scoring psychopaths can be brilliant bosses but only ever for short term,” Ronson said to Forbes. “They always want to make a killing and move on.” That charming and highly-successful CEO who seems to switch companies every few years? He could be a wolf in sheep’s clothing.