Air Travel Mistakes That Are Costing You Hundreds 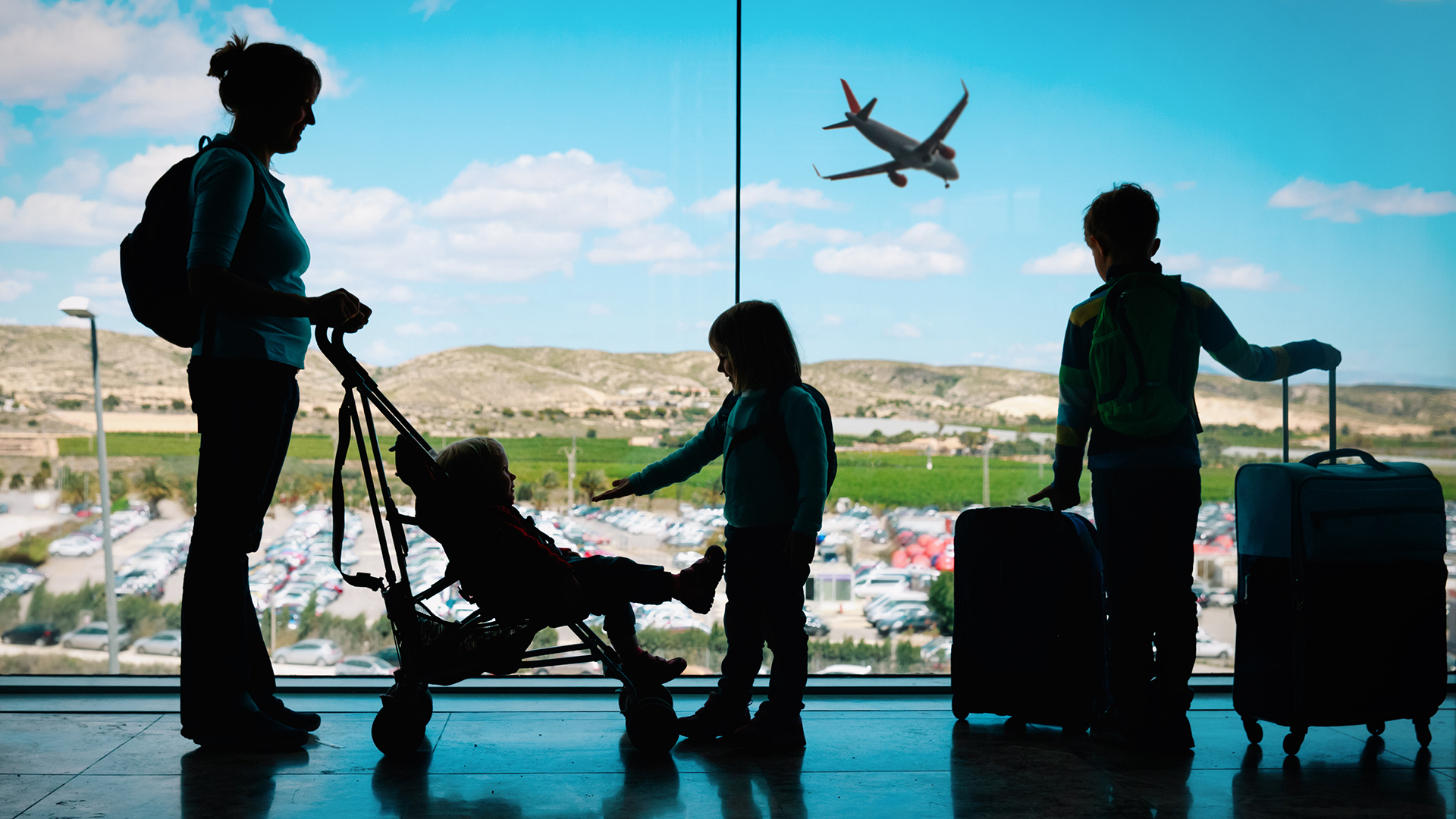 Catching a flight is typically the fastest, easiest way to travel, but costs can add up fast. The 2019 average domestic round-trip plane ticket in the U.S. was $352.06, but this doesn’t include extras like baggage fees and non-complimentary in-flight entertainment.

Chances are, you’re making at least a few travel mistakes that are hitting your wallet hard. Some extra fees might not seem like a huge deal at the time, but they add up fast when they’re multiplied over several trips or across a family of four. It takes some savvy thinking, but air travel doesn’t have to break the bank. There are plenty of ways to get to your destination safe and sound without spending more than necessary.

Click through to find out which travel mistakes you can avoid so you can jet out of town at the lowest possible price. 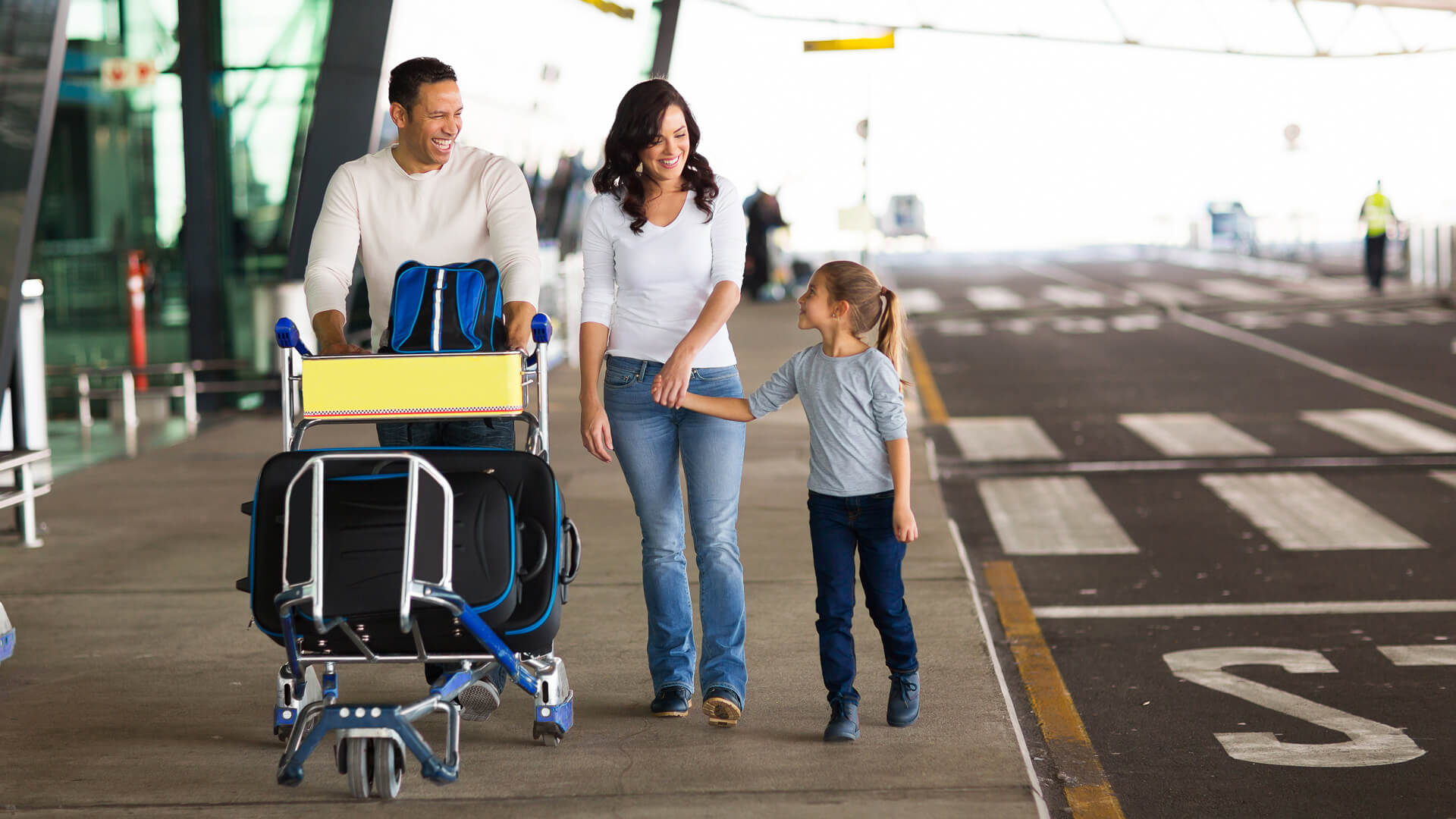 Many mid-sized cities have only one airport, leaving you no choice as to which one you’ll fly in or out of. Major metropolises typically have multiple airports, however, so be sure to check rates at each before booking your flight.

The amount you can save depends largely on your point of origin. Jet Blue flies into both Los Angeles International and Long Beach, but opting to land at the latter can save you up to $50 to $100 per ticket, according to Travelzoo. 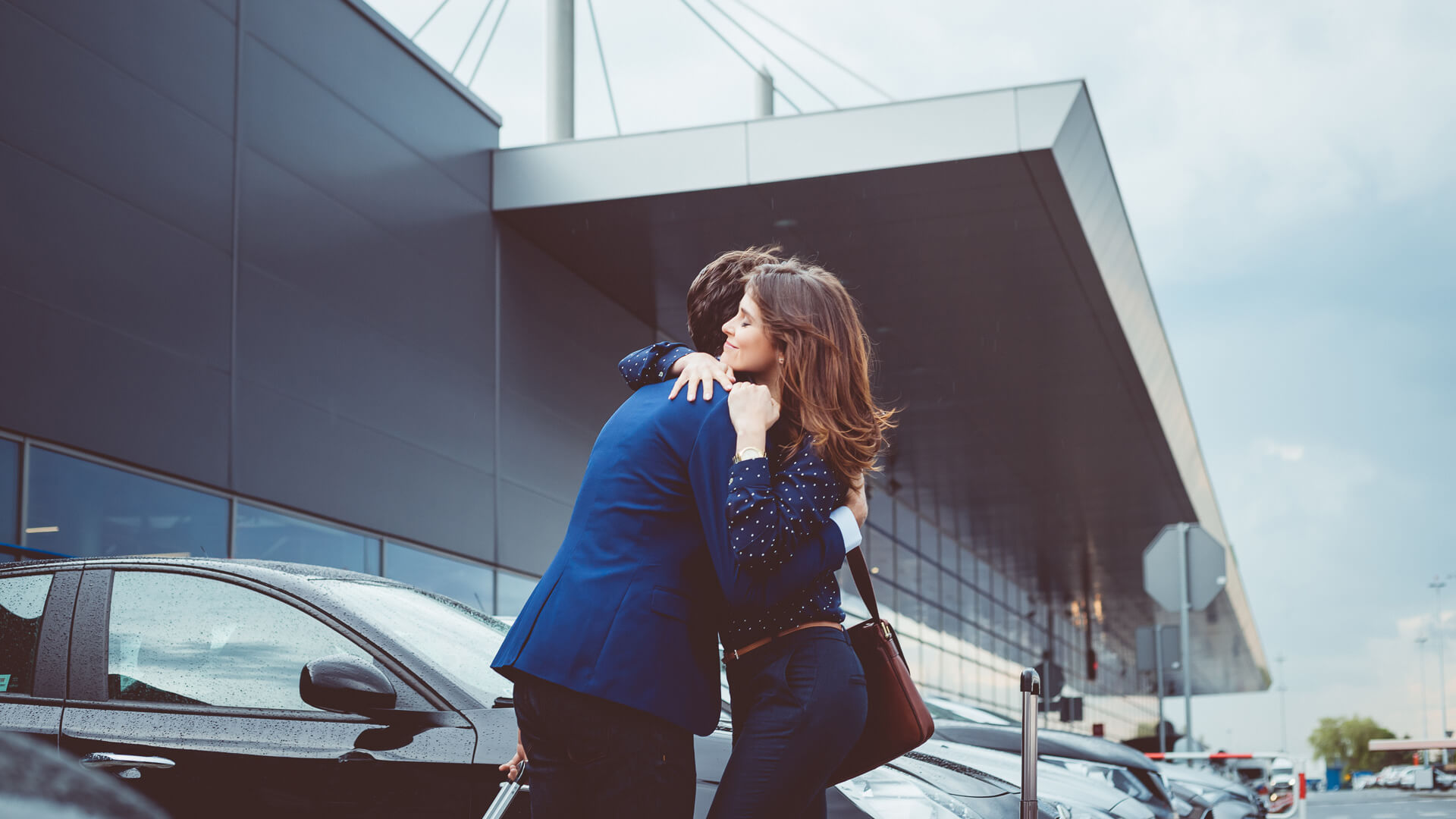 In addition to Los Angeles, a few other major metropolitan areas with multiple airports include Chicago, New York the San Francisco Bay Area. Keep the lesser-traveled airports on your radar, and remember that some carriers only fly into certain airports. For example, Southwest only flies into Chicago’s Midway.

Of course, it’s also wise to make sure transportation to your destination from the alternate airport doesn’t override your savings. You’ll want to follow these financial to-dos before going on a trip. You can stretch your dollar as far as it can go by calculating the total cost of your trip before booking. 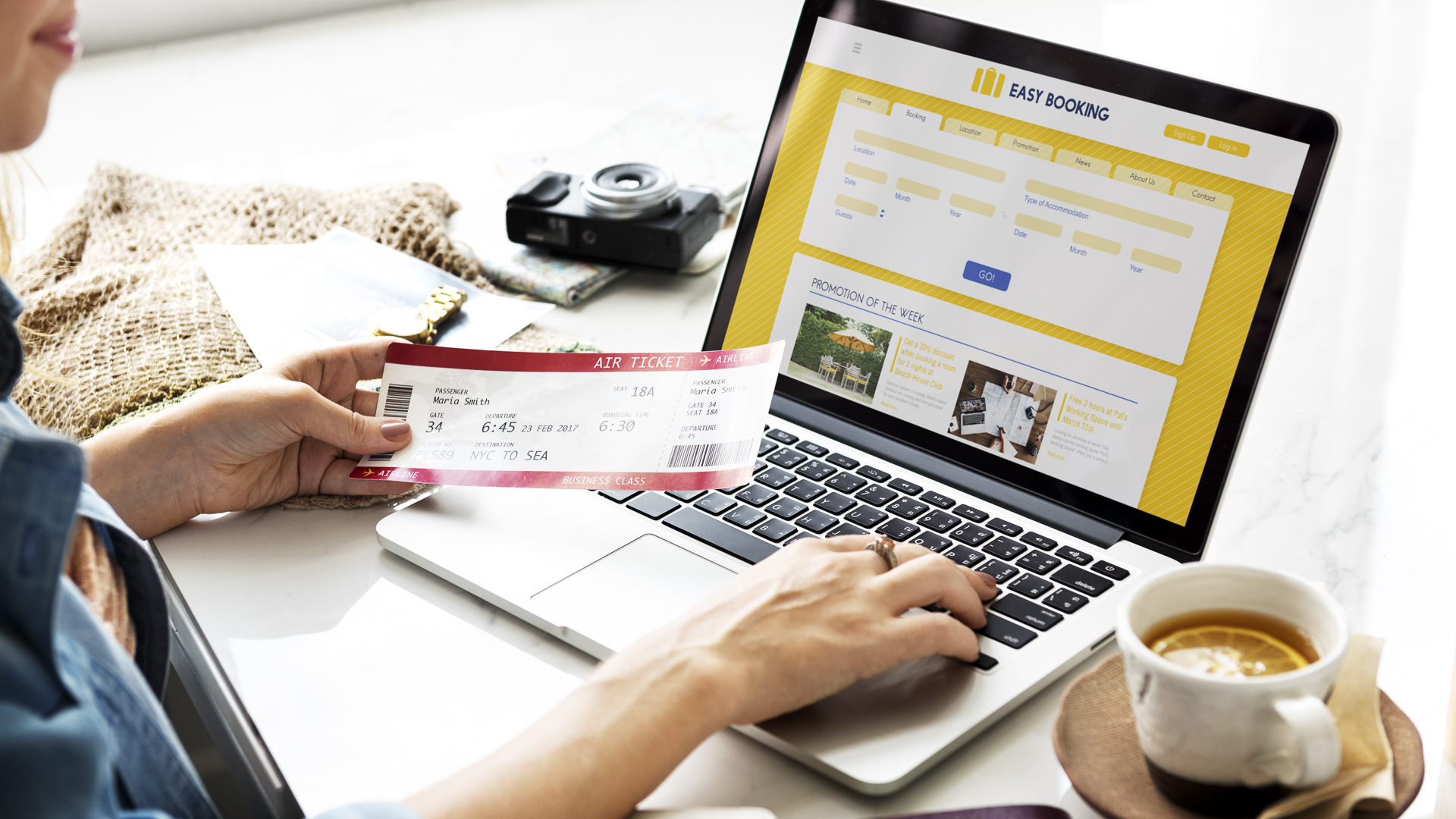 2. Focusing Only on Nonstop Flights

Searching exclusively for nonstop flights is one of the most common travel mistakes many people make. They’re obviously quicker and easier, but working a layover into your journey can reduce the cost of your ticket if you have the time to spare, putting more money in your pocket that you can spend at your destination. Plus, with a lengthy layover, you can turn one trip into two. 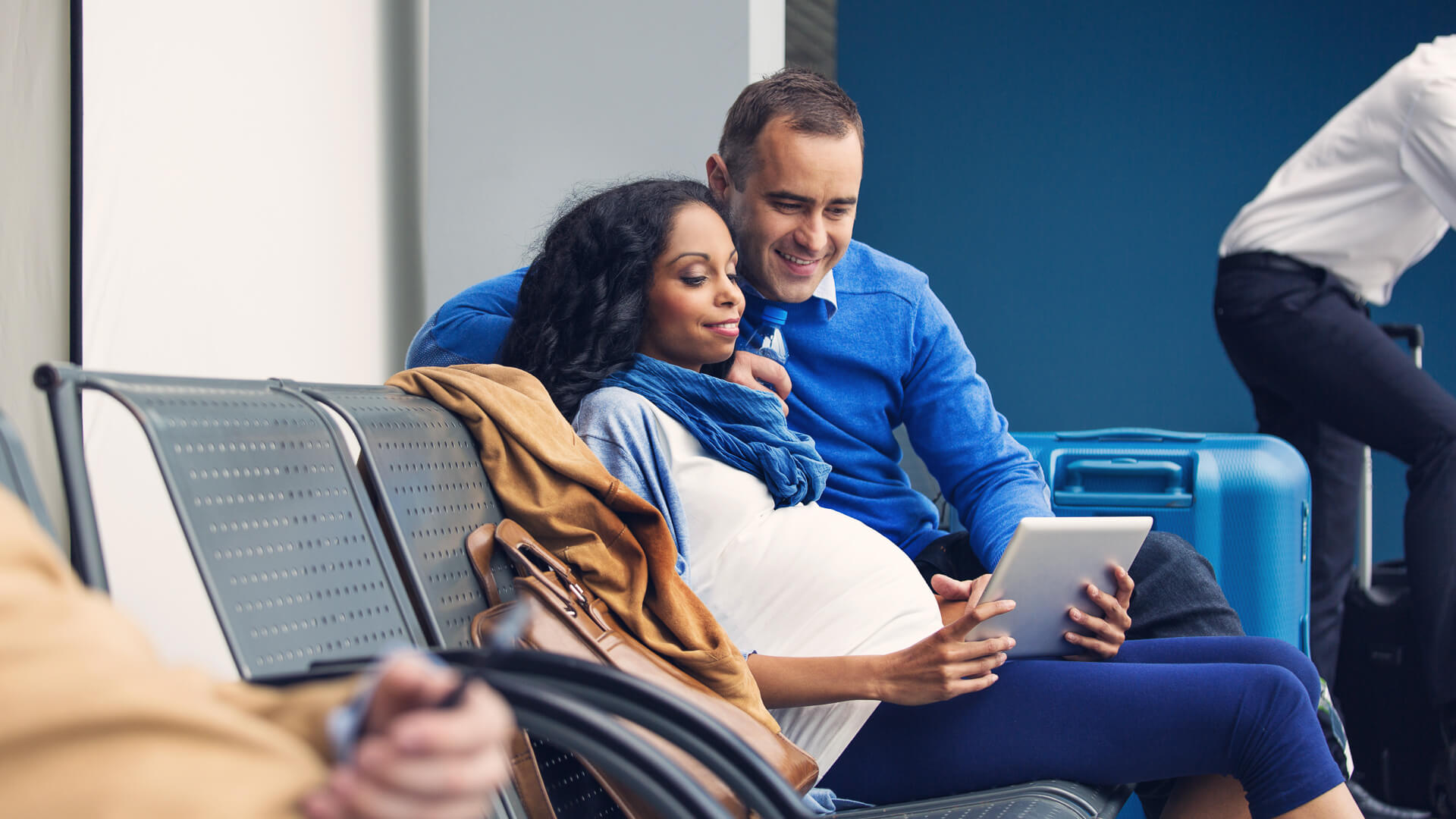 Passing on nonstop flights can sometimes save you $100 to $200, according to Travelzoo. If you’re traveling as a family of four, this means savings of $400 to $800 — enough funds for an extra day or two of vacation.

If you’re worried about your luggage getting lost on a connecting flight, don’t stress. There were 6.26 instances of mishandled bags per 1,000 travelers were reported in May 2019, according to the U.S. Department of Transportation.

Think of a layover as an adventure. Sometimes you’ll have your choice of stops for the same price, so choose a city you’ve never traveled to. It’s true that you won’t be leaving the airport, but at least you’ll be able to say you’ve passed through. Some airports have impressive cheap or free attractions for you to enjoy. 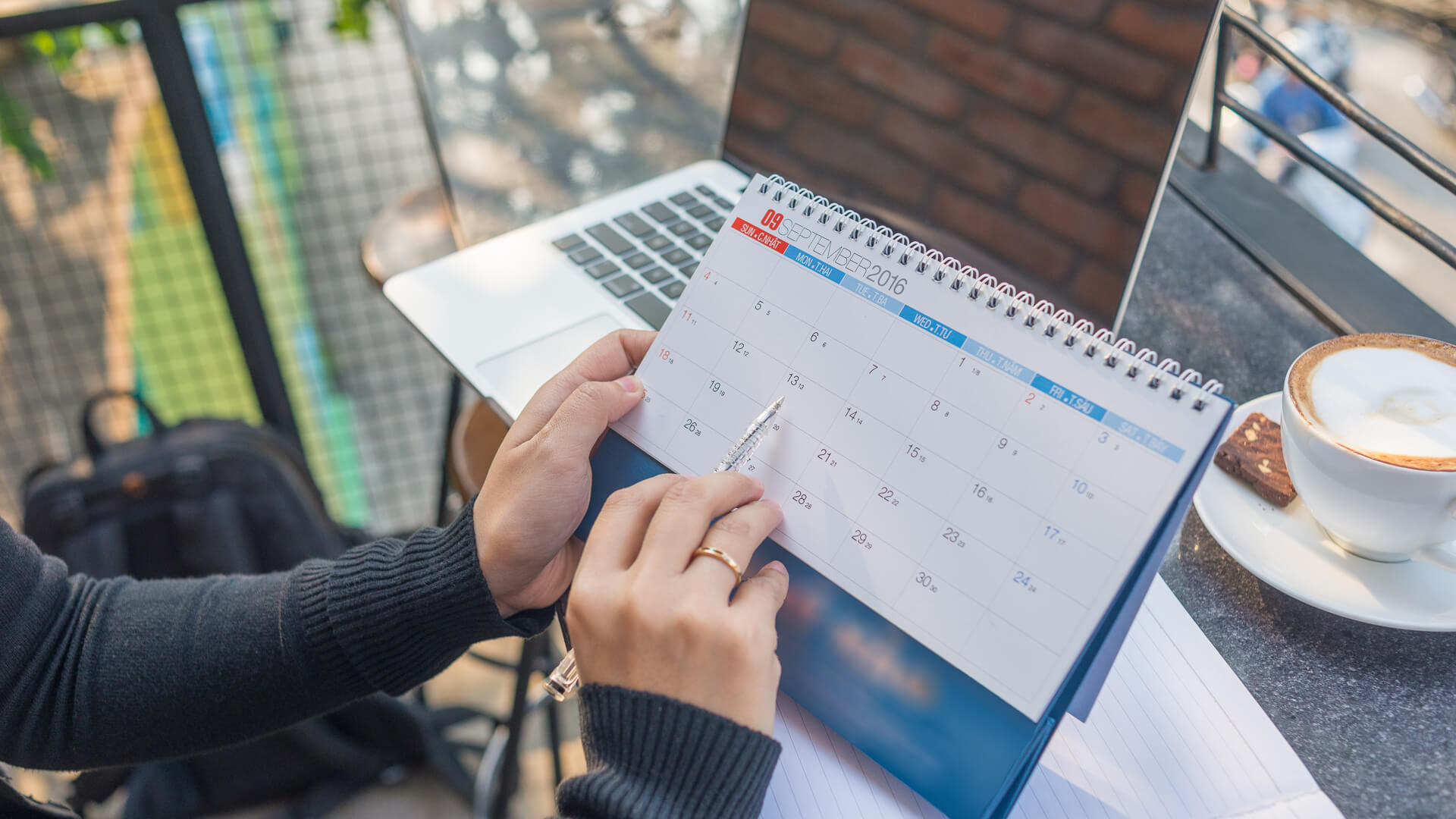 3. Not Being Flexible With Your Travel Dates

The cost of your plane ticket also depends on the day of the week you fly, FareCompare CEO Rick Seaney told the New York Times. He said you can save 10 percent to 40 percent per ticket by flying on a Tuesday, Wednesday or Saturday. Traffic is heavier on Monday, Friday and Sunday — Thursday is neutral — and airlines offer cheaper rates to fly on days of the week with lower traffic. 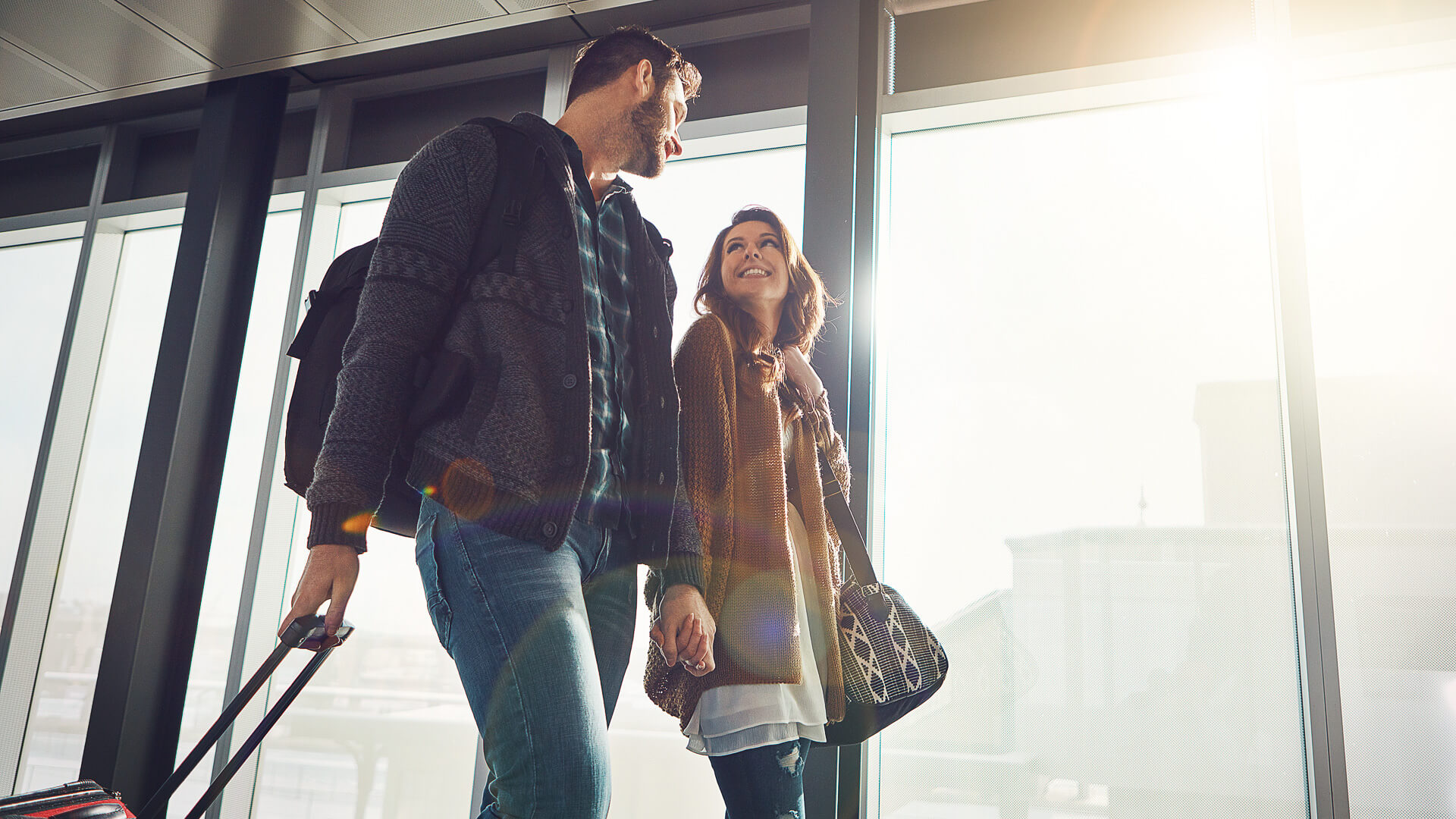 Say you’re traveling round-trip from Los Angeles to New York in the summer. A recent search showed fares can run as low as $154 from LAX to JFK on a Tuesday, and as low as $164 for a return trip from Newark to LAX on a Wednesday, totaling $318.

Flying the same exact route but changing up the days just a little bit makes a major price difference. The cheapest ticket from LAX to Newark on a Sunday is $218, and it’s another $179 to fly back on a Friday, totaling $397. In this example, you could save about $80 just by being flexible with your travel dates. 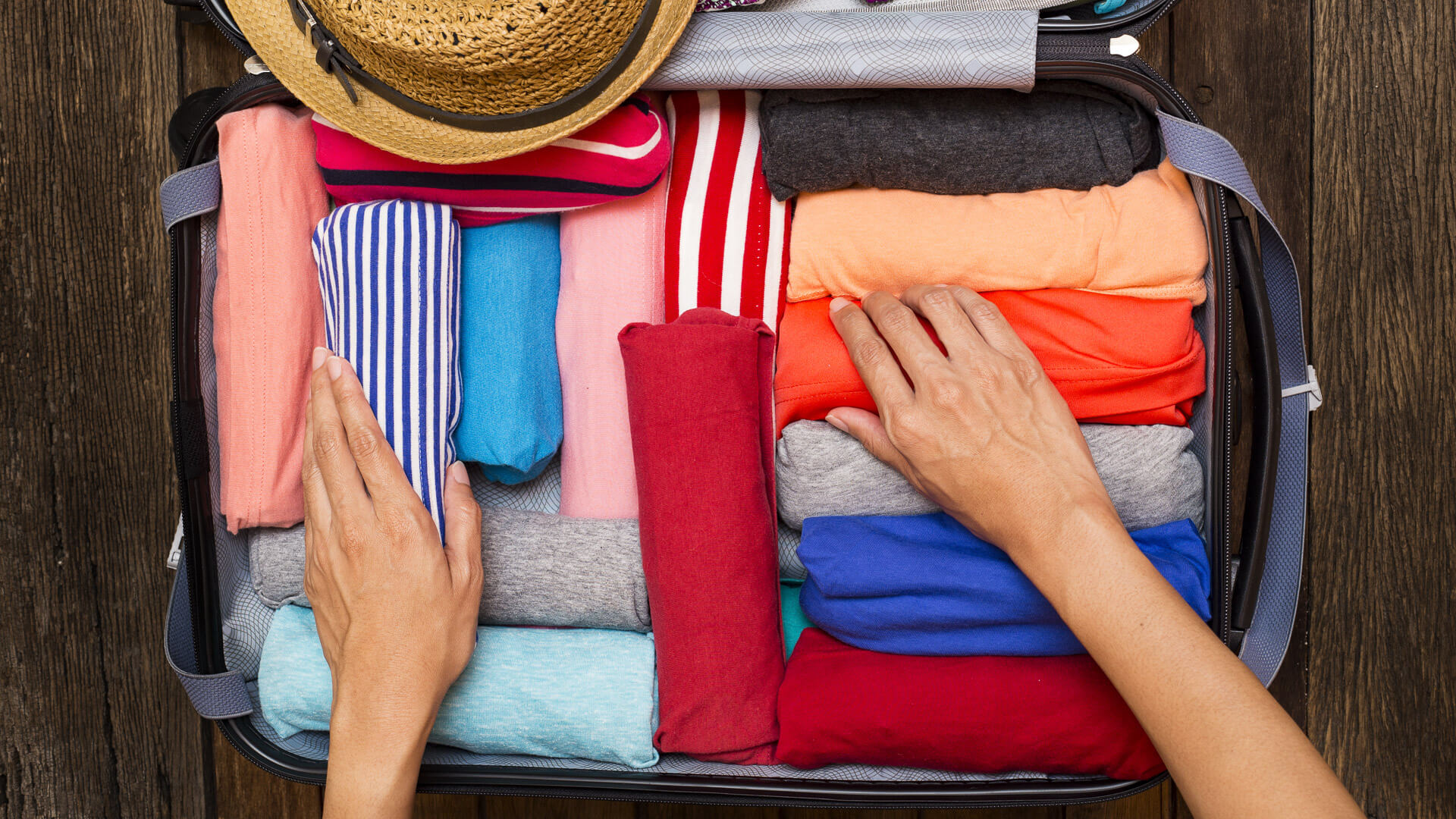 4. Packing More Than You Need

It really does pay to pack light, unless you’re flying Southwest, where each passenger gets two free checked bags. Although it might sound a bit crazy, other major airlines charge you to check your luggage.

American Airlines, Delta and United all charge $25 for the first checked bag and $35 for the second for domestic travel. If you fly with one of these airlines and bring two suitcases with you on your vacation, you’ll pay $120 round-trip just for your bags to fly. If you have a family of four and everyone checks two bags, you’ll pay $480 just to transport your luggage. 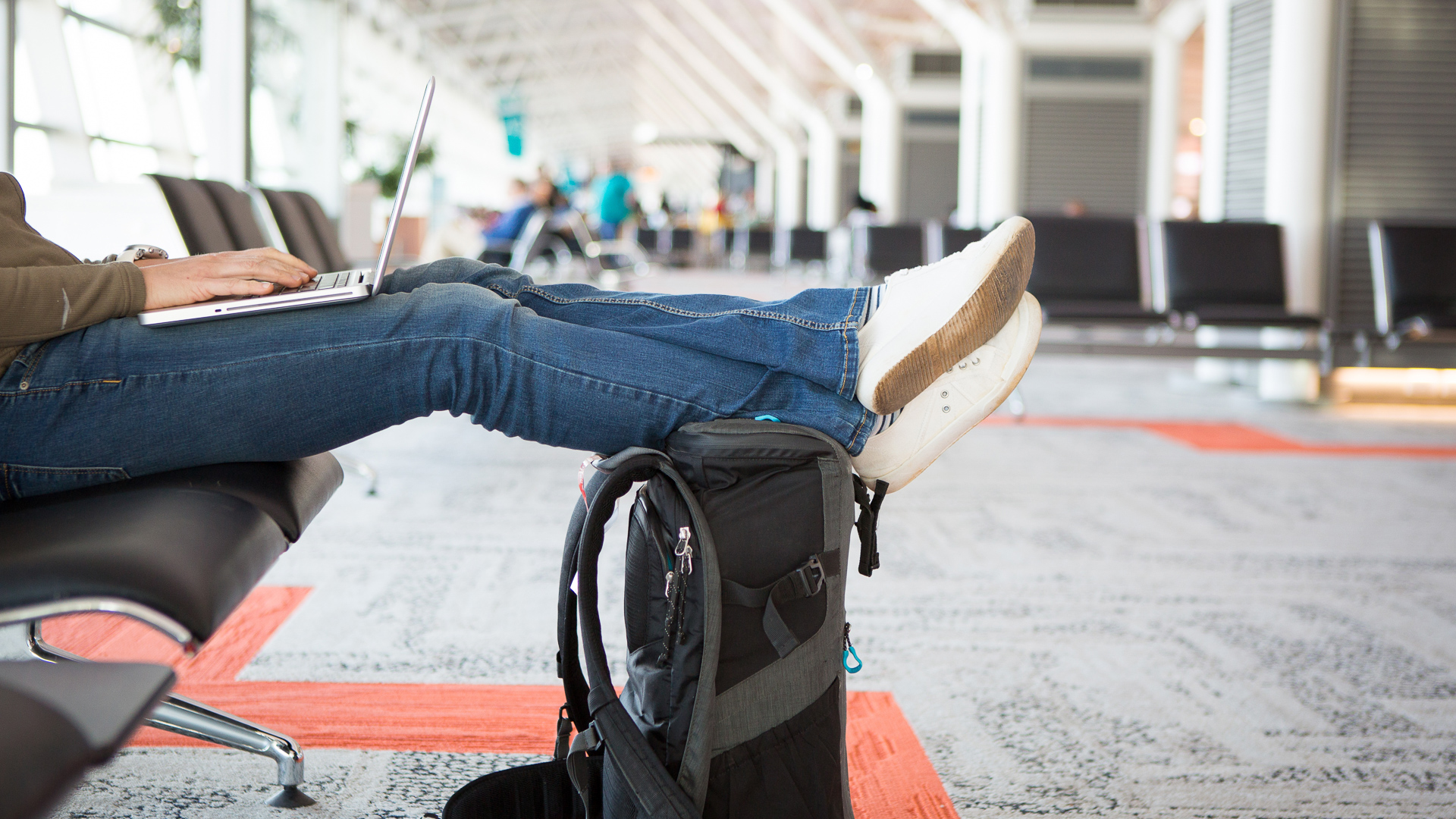 It’s best to pack everything you need into a single carry-on bag when possible. Most airlines allow passengers to bring two personal items aboard for free. You might have to do laundry at your destination, but that’s a whole lot cheaper than paying to check extra bags. 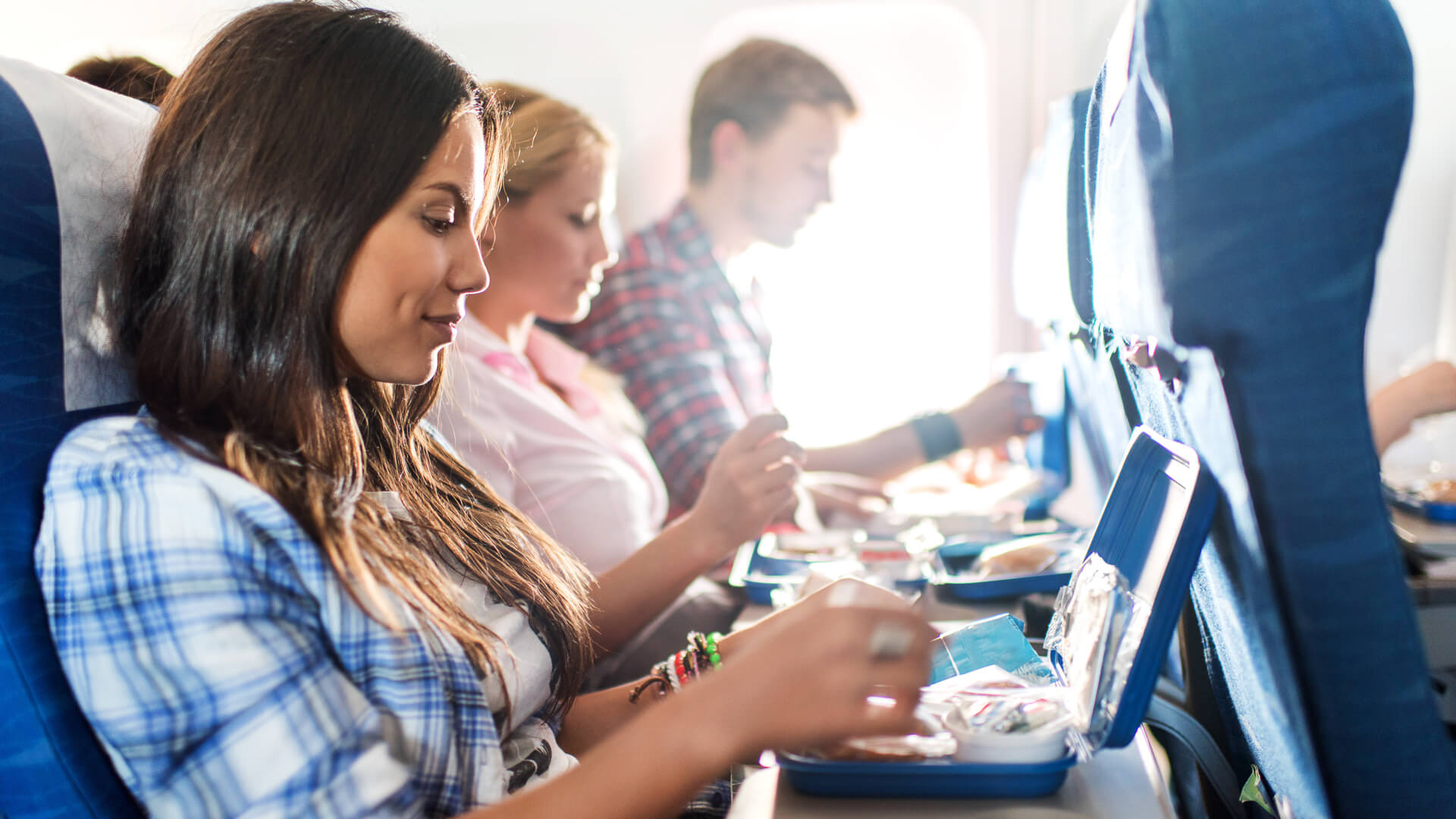 Showing up for a flight hungry used to be perfectly acceptable because your ticket came with a free meal, but not so much these days. Even snacks aren’t free on some airlines anymore, making this one of the easiest travel mistakes to avoid. 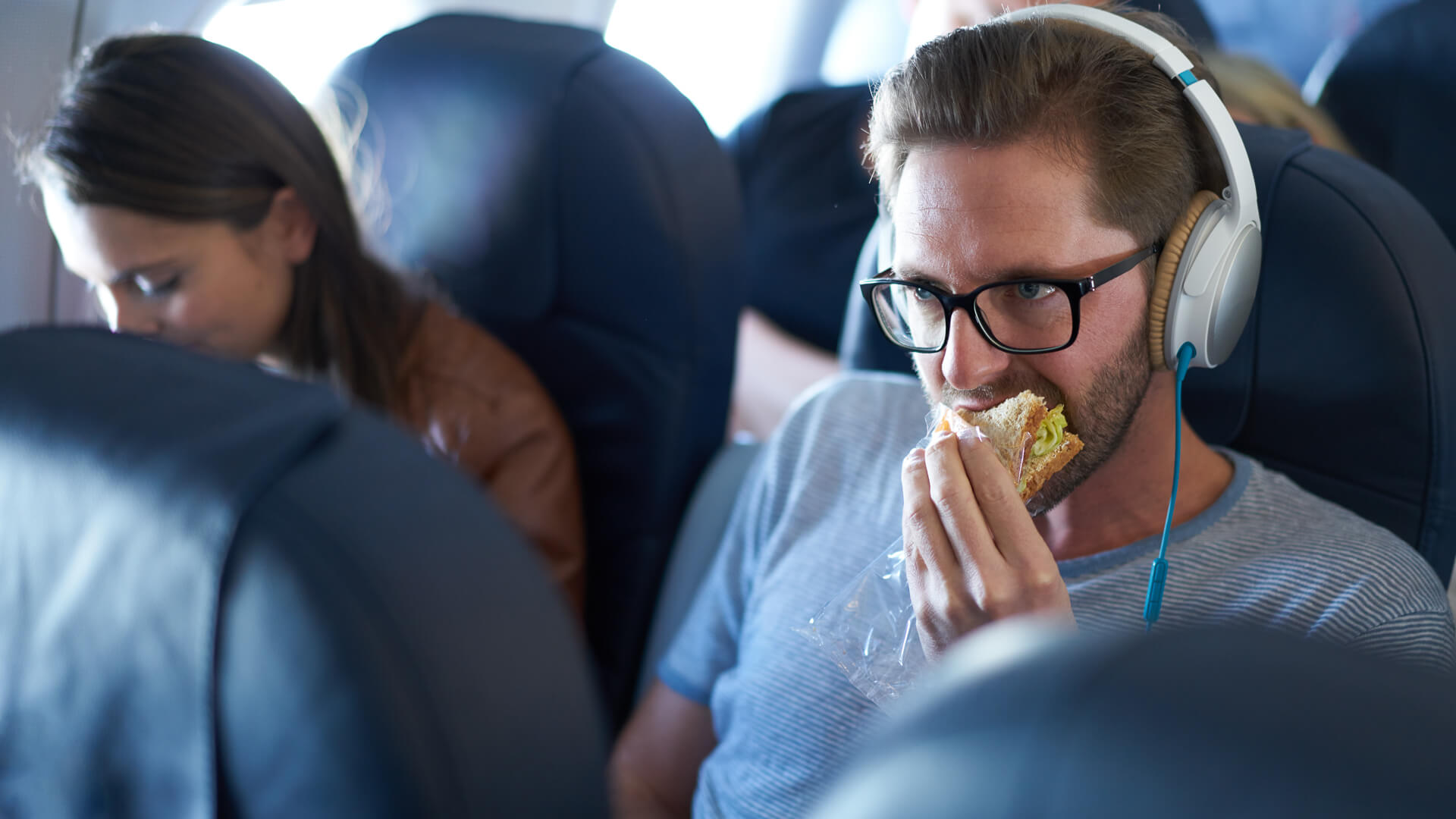 Bringing your own food onboard ensures that you’ll pay a fair price for something that actually tastes good. This requires some extra planning, but one glimpse at an airplane menu will probably be all it takes for food to land a permanent spot on your packing list.

For example, one personal pepperoni pizza costs about $9.99 on domestic United flights. You can buy an entire loaf of bread, a jar of peanut butter and a jar of jelly for about $6 and pack lunch for the whole family. Satisfy your hunger without paying a sky-high markup by making a quick visit to the grocery store before your trip. 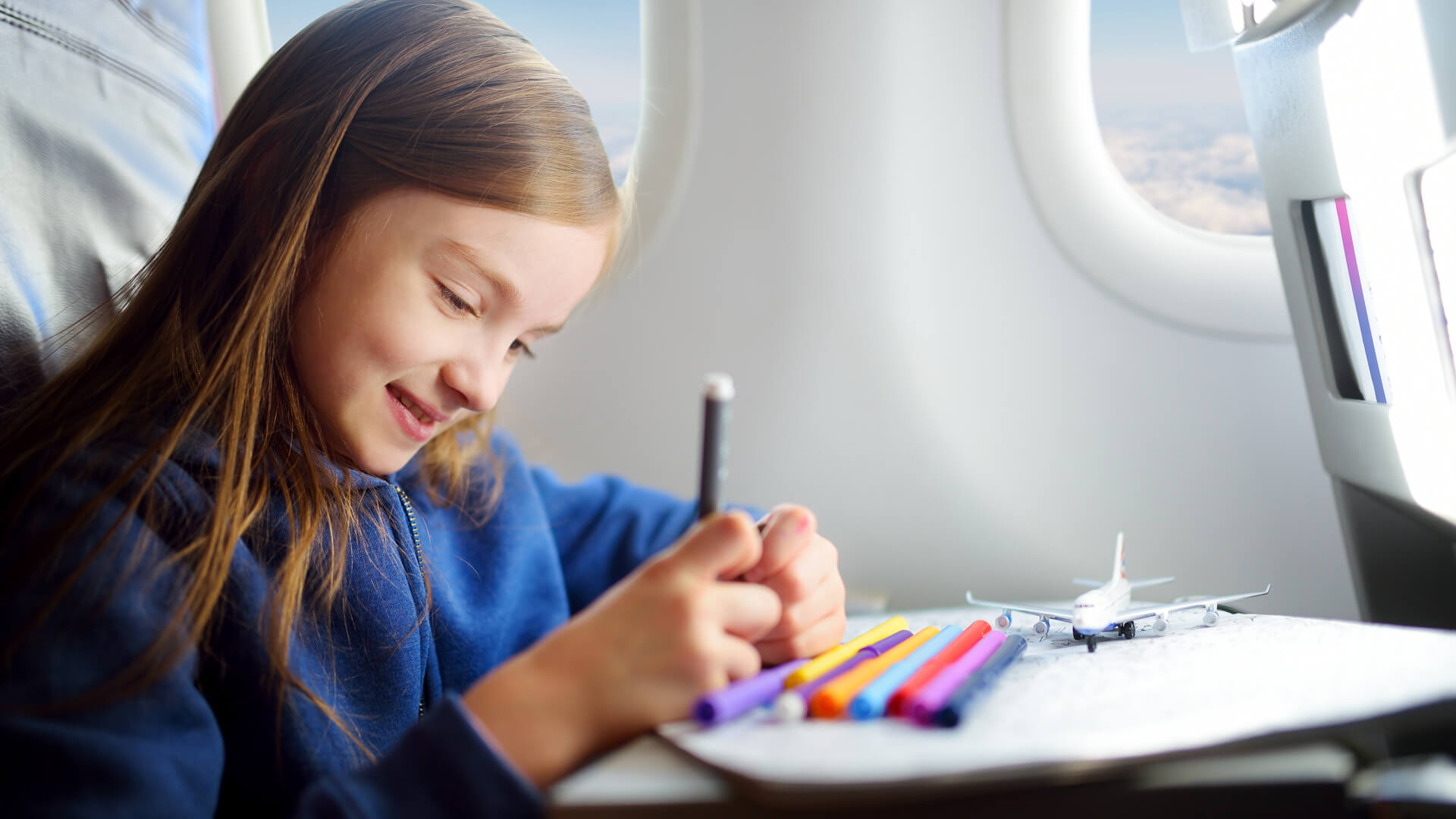 One of the biggest travel mistakes parents make is not creating a frequent flyer account for their children. Some carriers, like Delta, might require you to fill out a special form to create an account for your kids. JetBlue even offers a Family Pooling account where up to two adults and five children can share points. 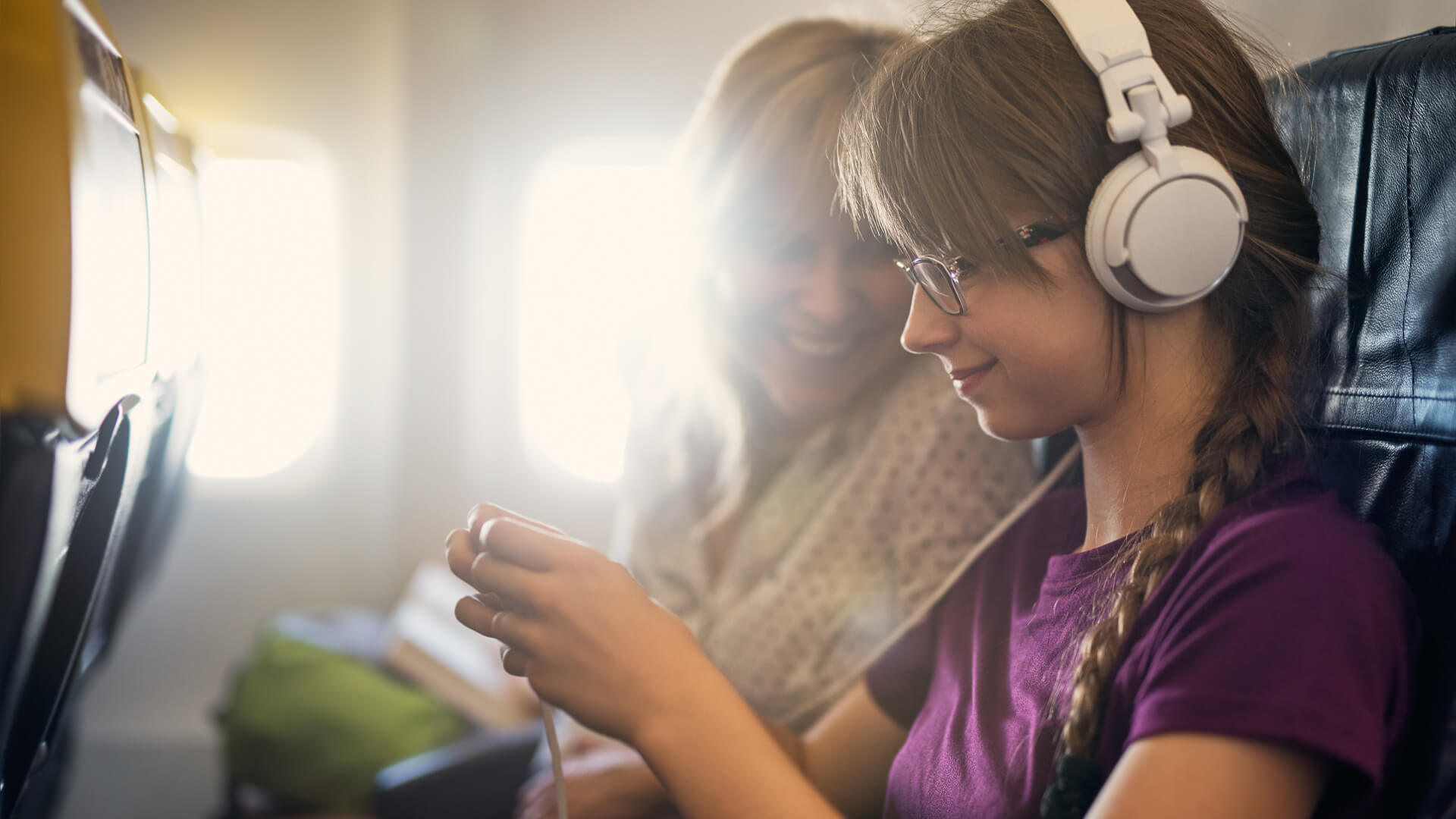 Creating frequent flyer accounts for your kids and keeping track of the numbers can be a hassle — especially if you’re not loyal to one airline — but it’s worth the savings.

The number of points you’ll accrue will obviously depend on how much you travel, but at $352 for the average domestic round-trip ticket, that’s approximately $700 you wouldn’t have to spend if your two kids earn enough points for a free flight. 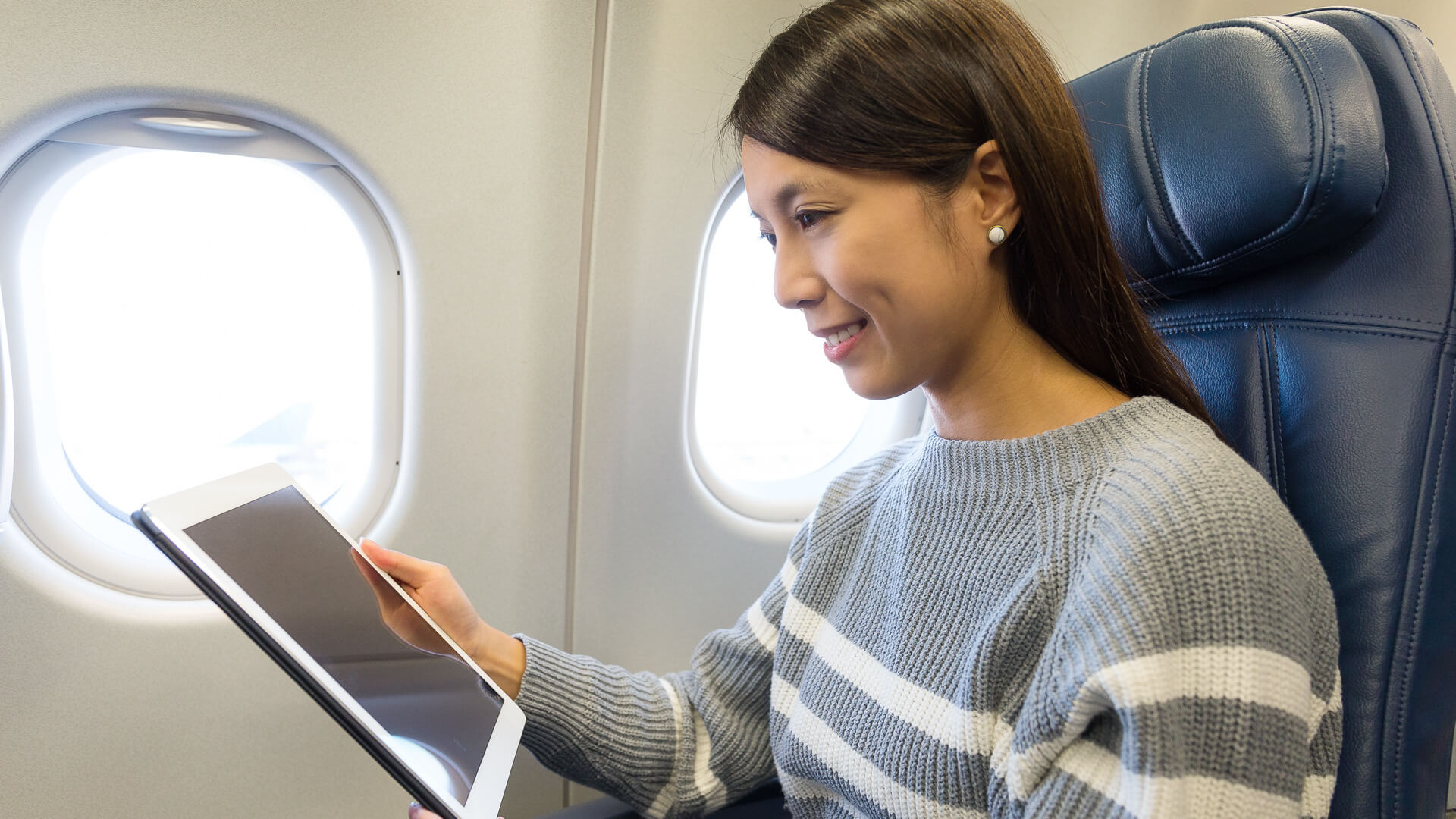 Air travel can get a bit dull unless you have a way to pass the time. Some airlines offer complimentary in-flight entertainment, but prepare to swipe your credit card on others.

All in-flight entertainment is complimentary on American Airlines (although available options vary by flight and plane type) — but the airline does charge for WiFi, with connection costs starting at $12. If you’re flying United Economy, DirecTV + Hit Movies can be purchased for prices ranging from $7-$29 depending on the length of your flight. The airline offers free streaming to personal devices on select flights, but it’s only available on select aircrafts. The cost of WiFi varies based on your flight, and subscriptions begin at $49.

Thinking ahead can help you save big. Google Play offers some free movies and television shows, so download them to your device before leaving home. If you have a Kindle, use it to check books out of your local library for free and spend your flight relaxing with a great read.

Even grabbing a magazine from the airport terminal can be cheaper than purchasing in-flight entertainment. It might only save you a dollar or two, but that still adds up across several family members or multiple trips.

More on Saving Money and Travel