These Are the Best Dollar Menu Items in America 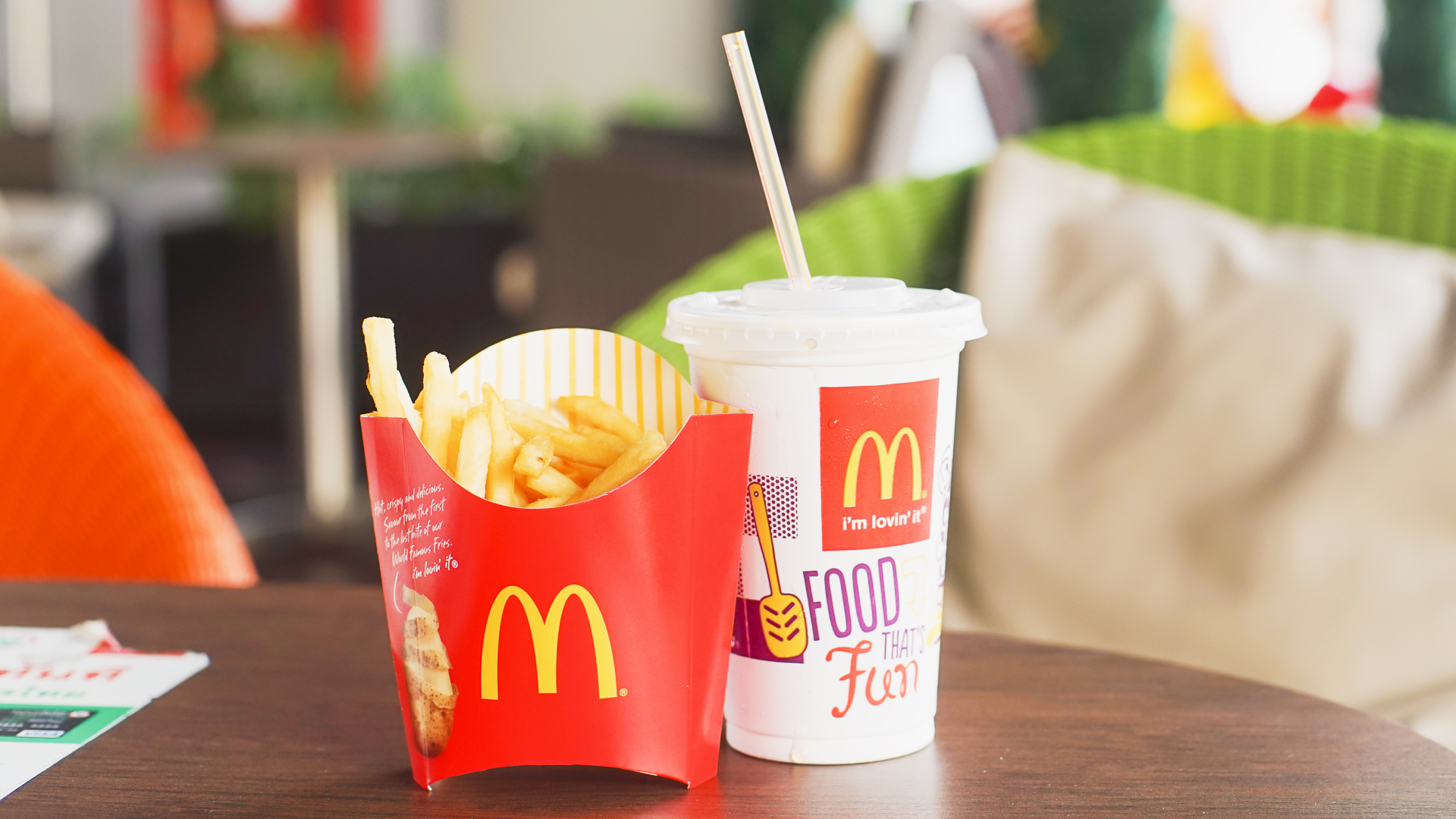 Whether you’re craving a cheeseburger or want to try a new taco creation, get your fill without spending a lot of cash. 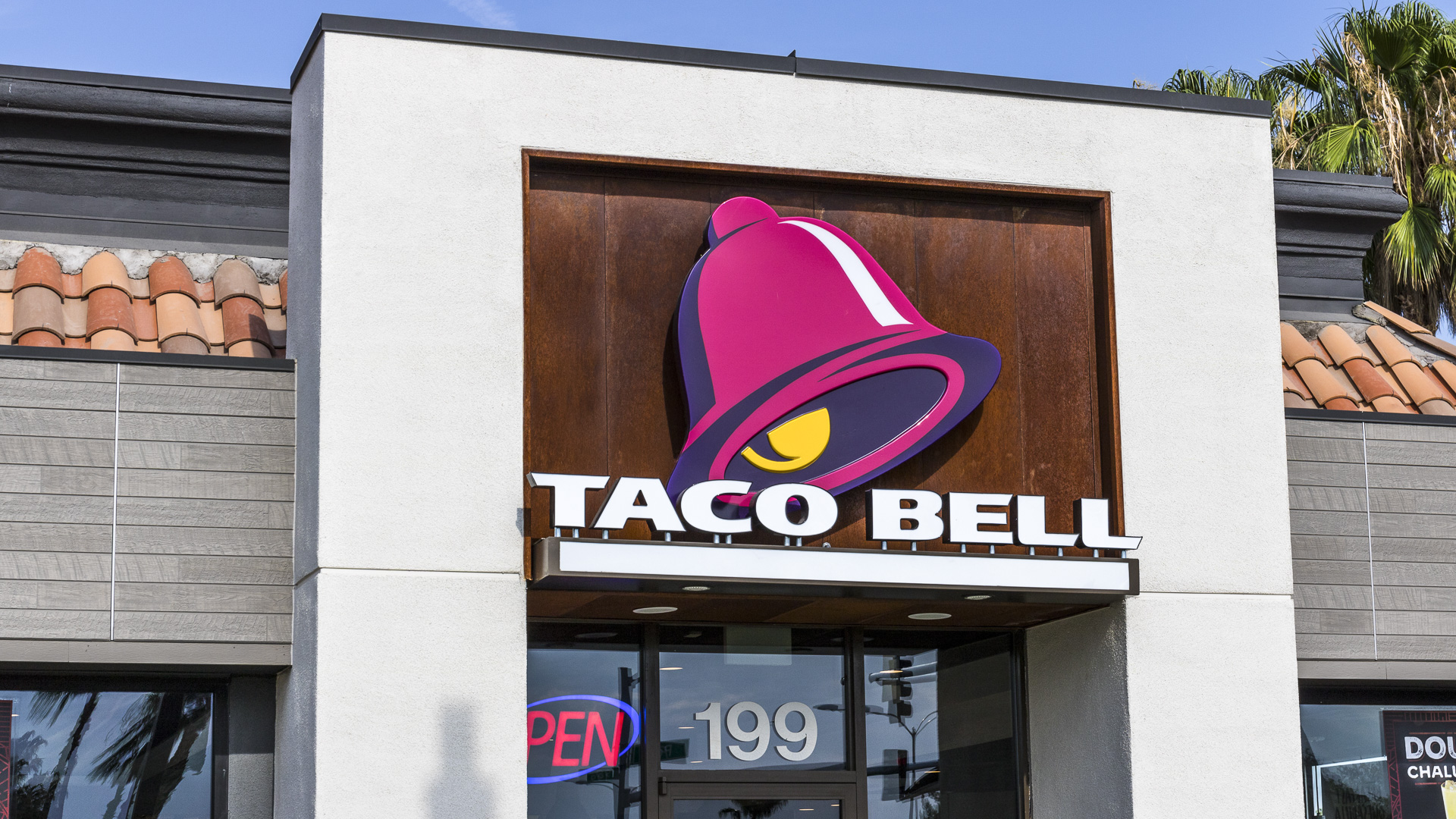 Taco Bell’s Dollar Cravings Menu features 11 items for $1, including the Beefy Fritos Burrito, Shredded Chicken Mini Quesadilla, Cinnabon Delights 2 Pack and Triple Layer Nachos. You also have the option to customize some of these items with upgrades like guacamole, jalapeño peppers and fire roasted salsa for an extra fee.

Want to spice up your meal? Order the Spicy Tostada and have ingredients removed at no extra cost — this item, along with several others on the dollar menu, are made to order. The $1 Morning Value Menu is available until 11 a.m. and includes fan favorites, such as the Sausage Flatbread Quesadilla and a Mini Skillet Bowl.

Check out all the items your $1 gets you at Taco Bell. 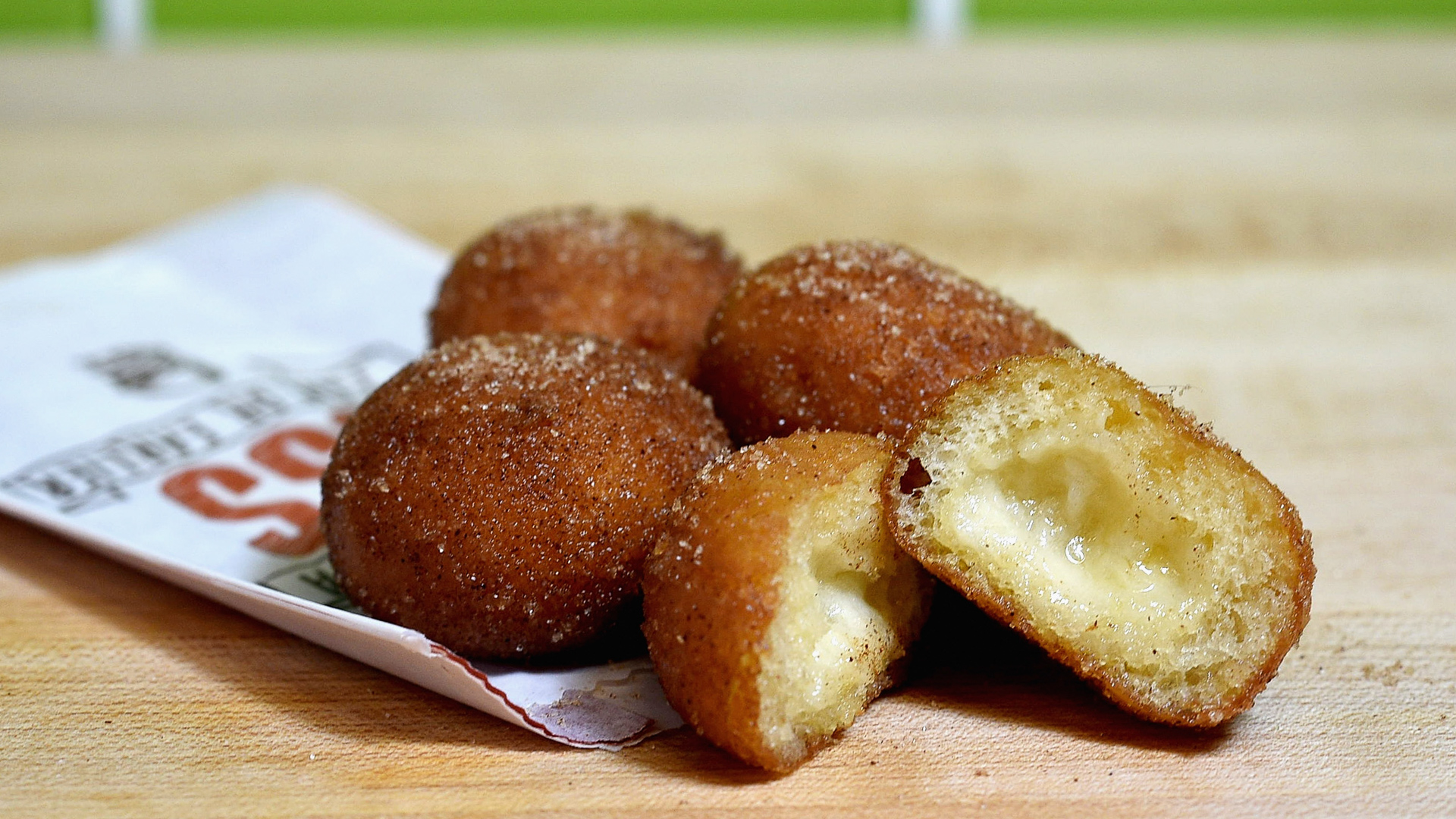 Treat Yourself: The Most Expensive Fast Food Items Only Cost This Much 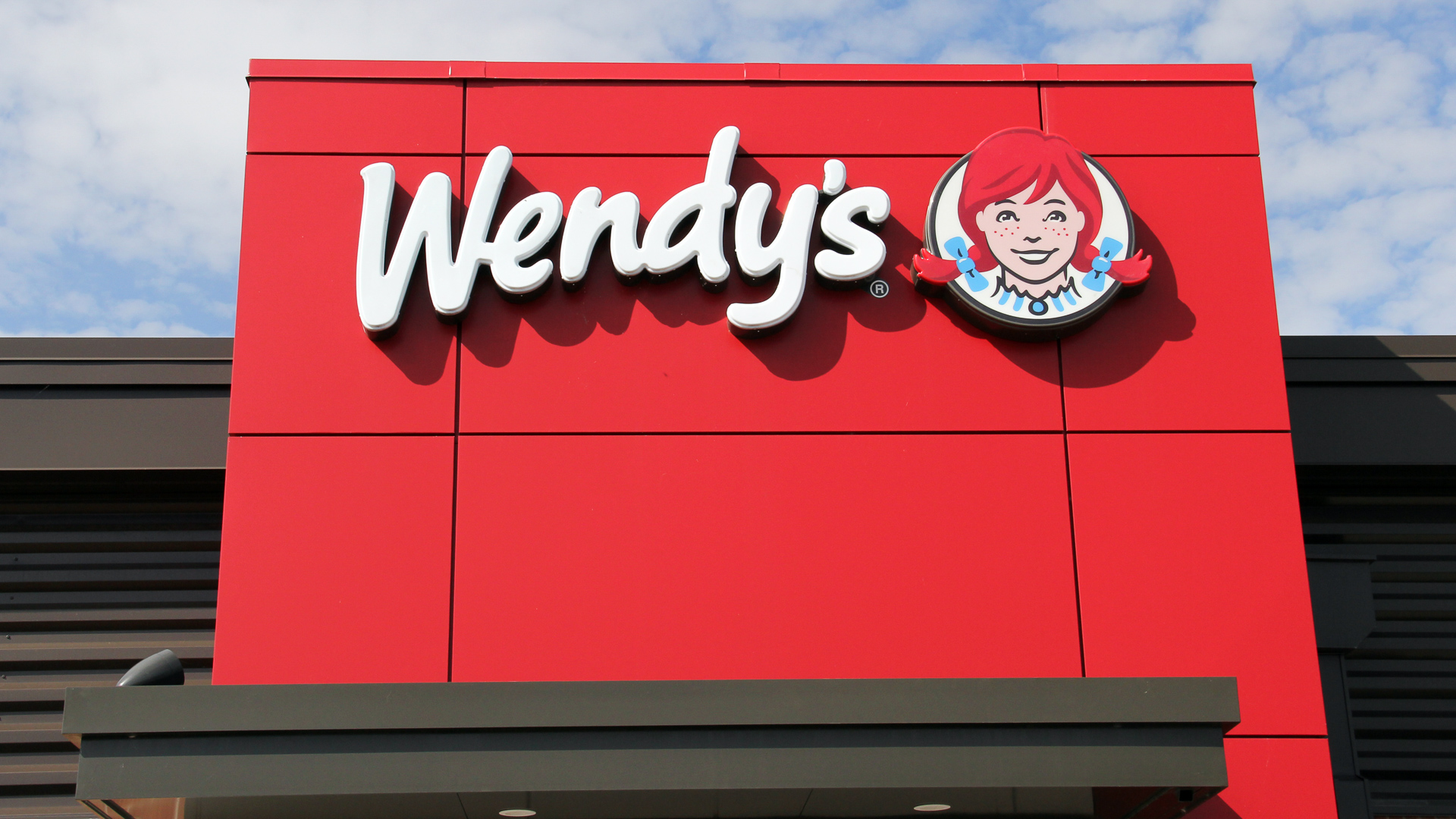 No longer offering a dollar menu, Wendy’s increased the price of many of its former dollar menu items with the introduction of its Right Price Right Size Menu.

However, you can still get a handful of items for under a buck, including the classic Junior Cheeseburger, Crispy Chicken Sandwich and 4-Piece Chicken Nuggets. Also, Wendy’s might still be your go-to spot for dessert — a small Frosty is an affordable treat at just 99 cents.

Bring a buck to Wendy’s and you can nosh on seven menu items. Or try the special featuring four items for $4. 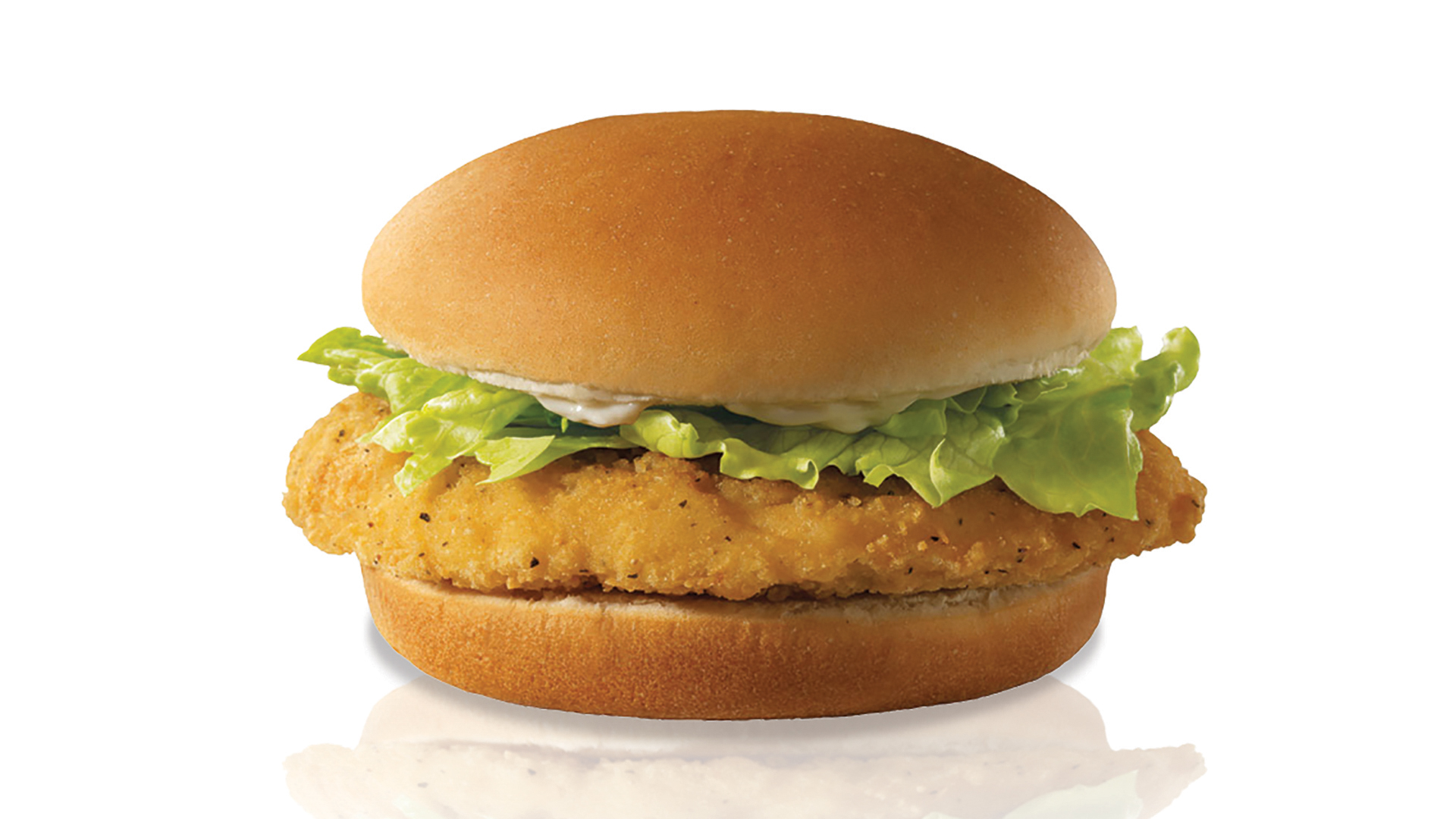 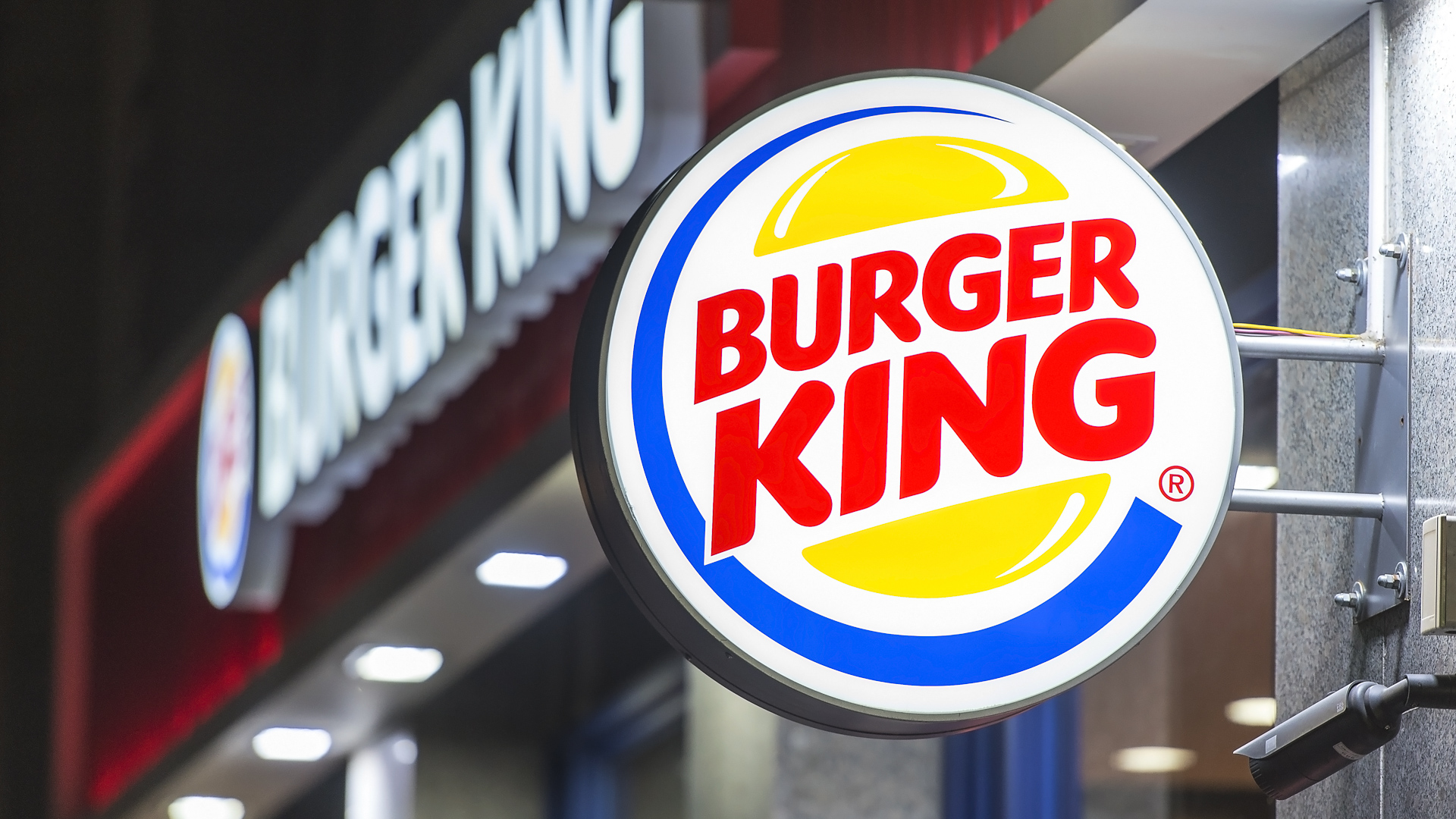 Burger King has also raised its prices of late, so there’s no official “dollar menu” available. However, you might be able to find a few items for a buck on the Value Menu, depending on where you live. Burger King has also run a “5 for $4 Deal” in the past featuring a bacon cheeseburger, fries, chicken nuggets, small drink and chocolate chip cookie.

The BK Stacker might be your best bet if you’re craving a juicy burger with cheese. If you’re in the mood for chicken, order a Chicken Jr. or 4-Piece Chicken Nuggets for a dollar. And a small ice cream cone will cost you just 89 cents. Still, your best bet might be a good old-fashioned $1 hamburger.

Although there’s not an official dollar menu, these nine items for $1 or less will fill you up on National Greasy Foods Day. 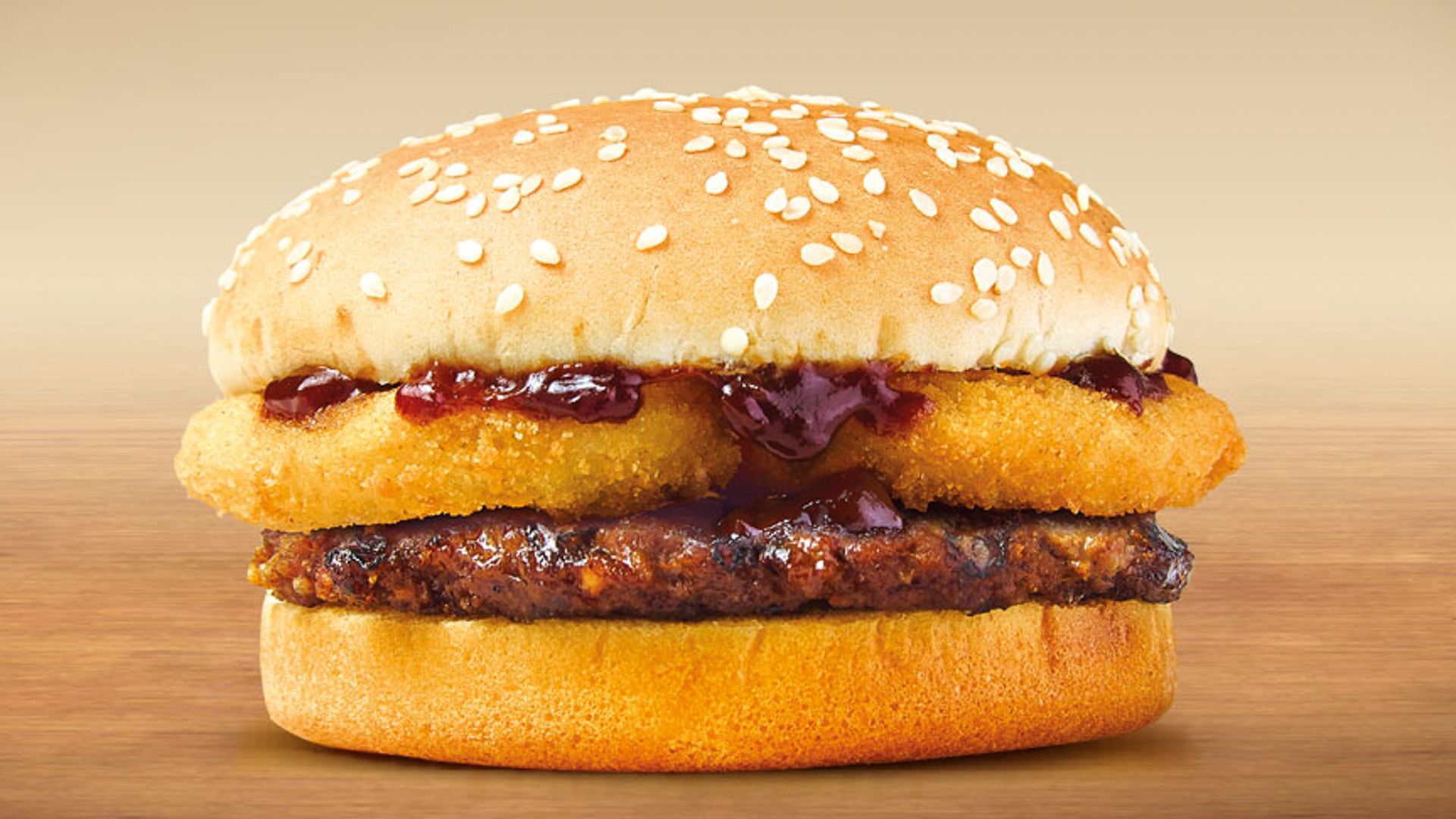 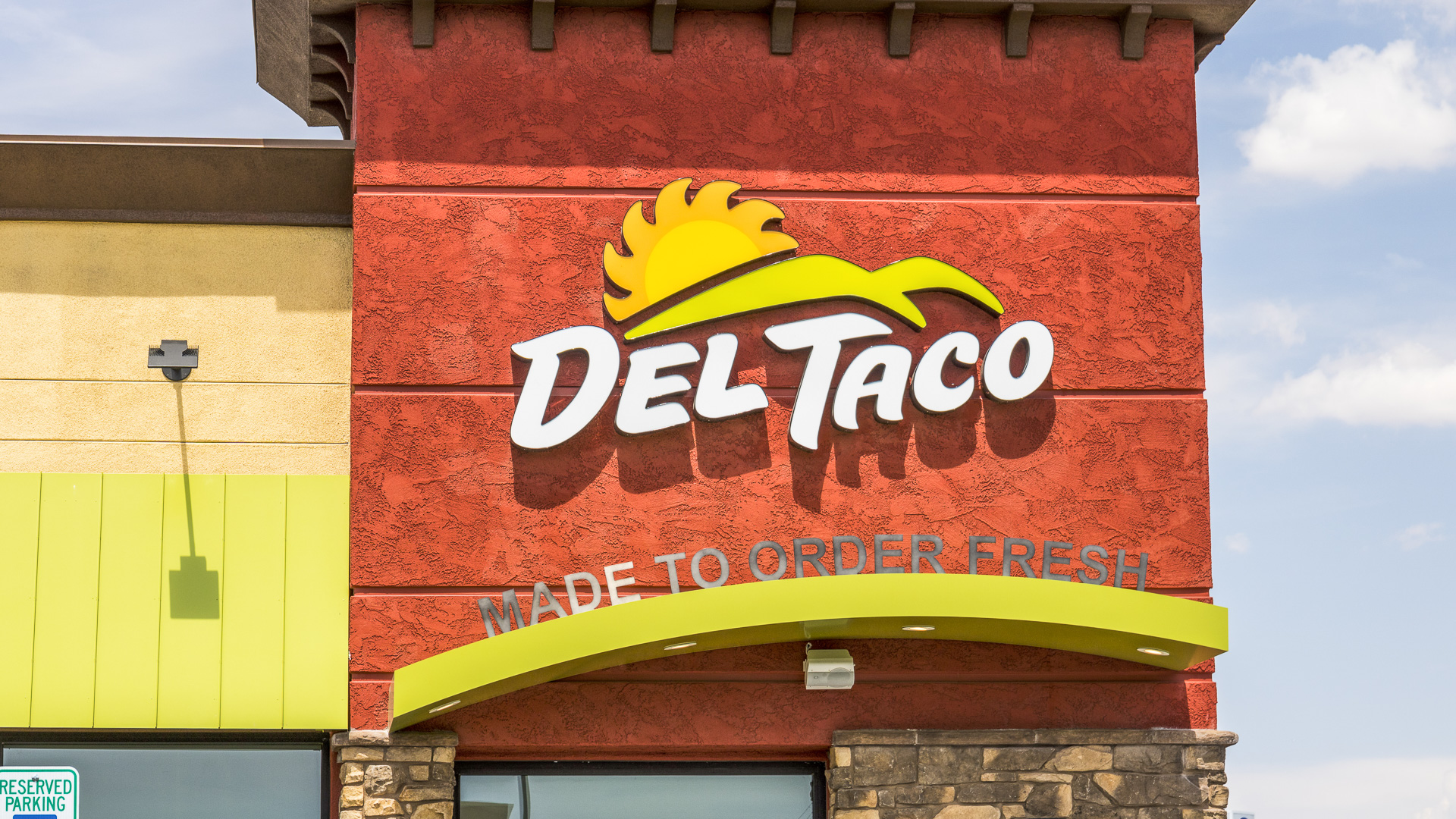 You can order everything from burritos to chicken rollers for under a dollar at Del Taco’s Buck & Under menu. This Mexican-style eatery offers some of the best fast food deals for a dollar, including specialty items like the Chorizo Breakfast Taco. If you’re craving something crunchy and filling, the Crunchtada Tostada might be your best pick because it’s loaded with refried beans, tangy salsa and cheddar cheese.

You’re sure to find the foods you’re craving on Del Taco’s Buck & Under menu. 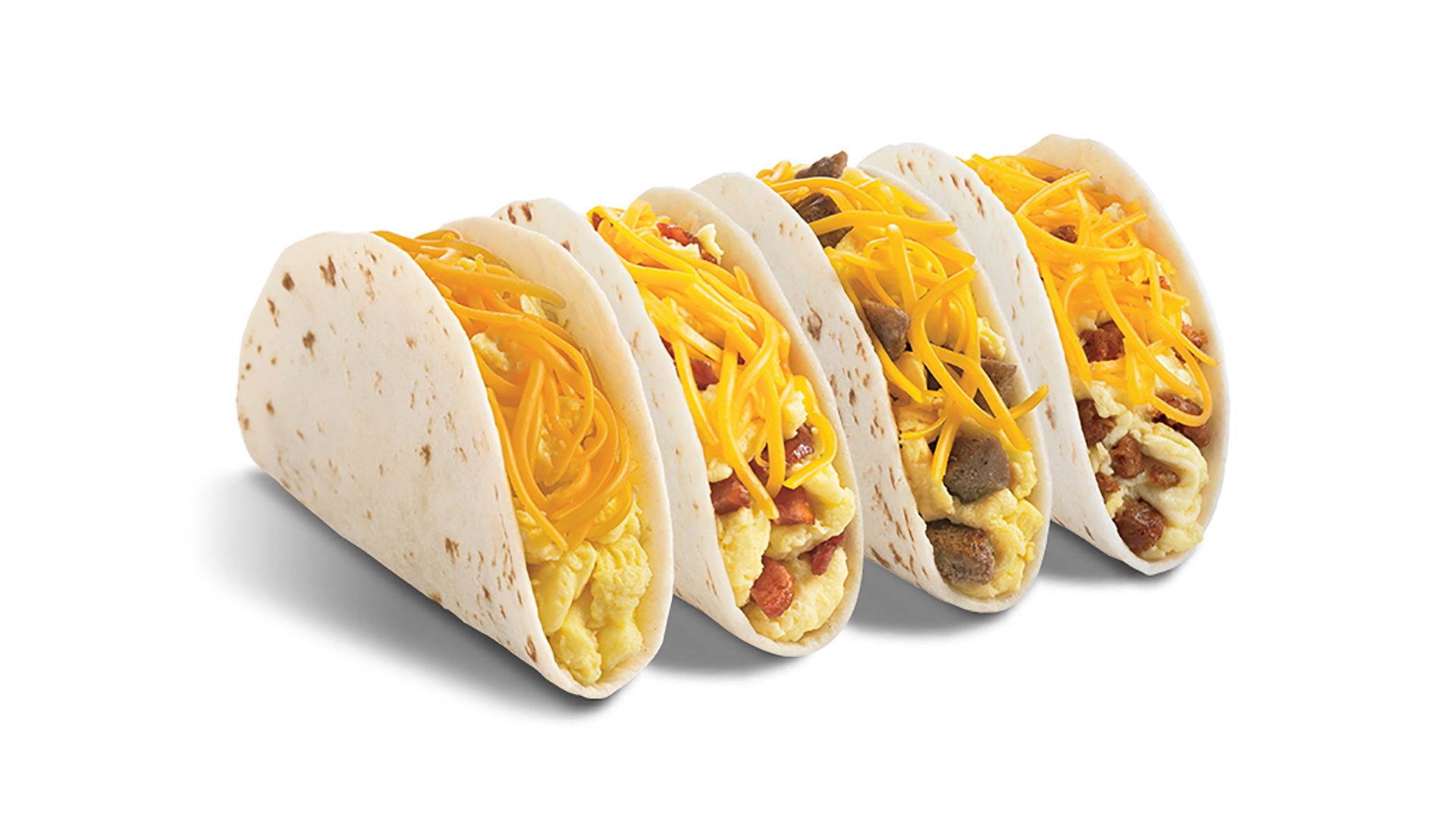 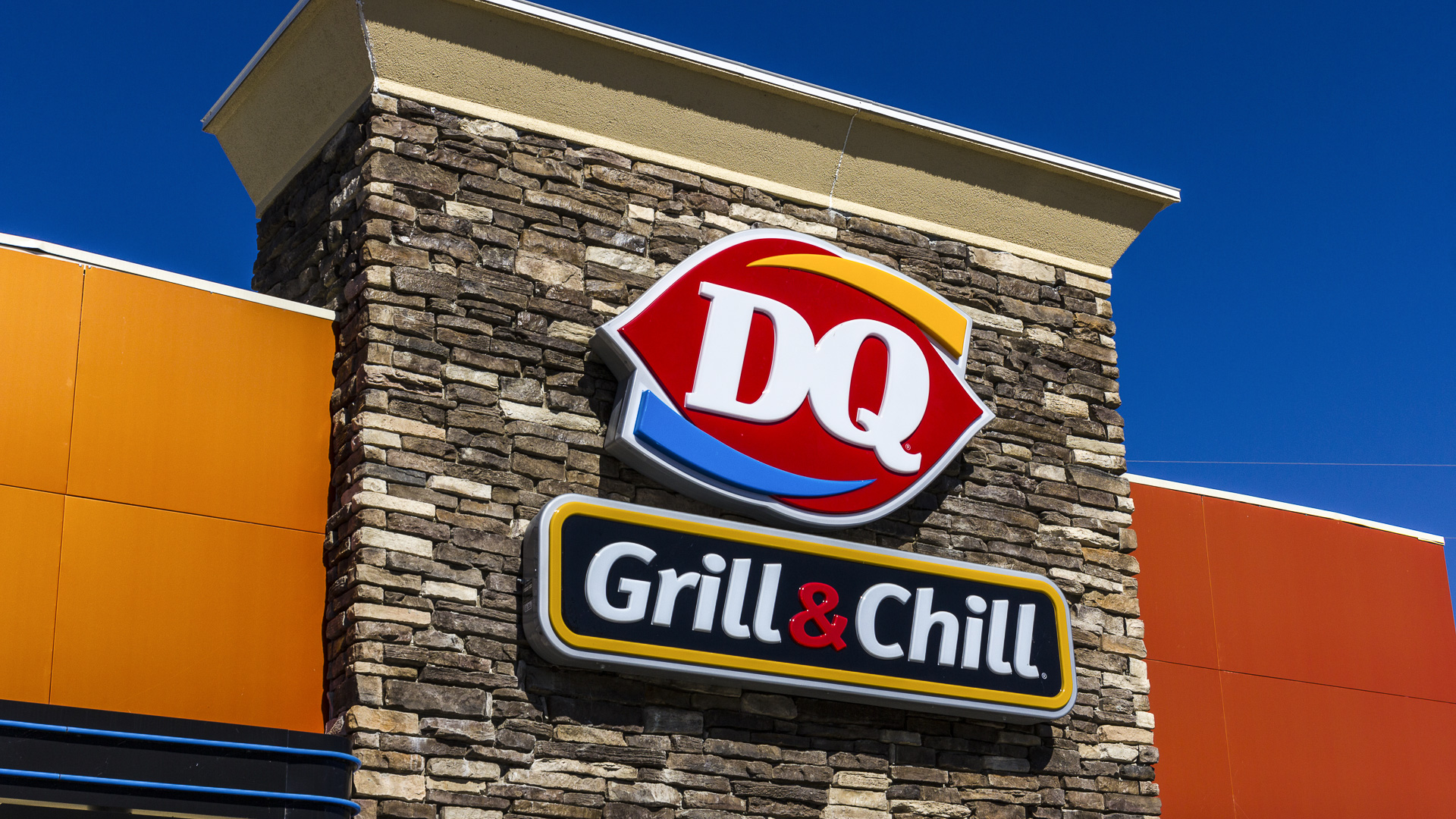 Dairy Queen no longer offers a dollar menu, but you can take advantage of $1 (or less) fast food deals here. You can buy a Blizzard for 99 cents with the purchase of a Blizzard at regular price.

Dairy Queen Treat stores and restaurants also serve up different fast food deals throughout the year, including Happy Hour specials. For example, you can get your caffeine fix for less by ordering a small iced coffee for $1 or a small Ultimate Frappe for $2.

A lonely dollar won’t buy anything at Dairy Queen, but the restaurant runs a value-priced lunch deal if your buck brings a few friends. 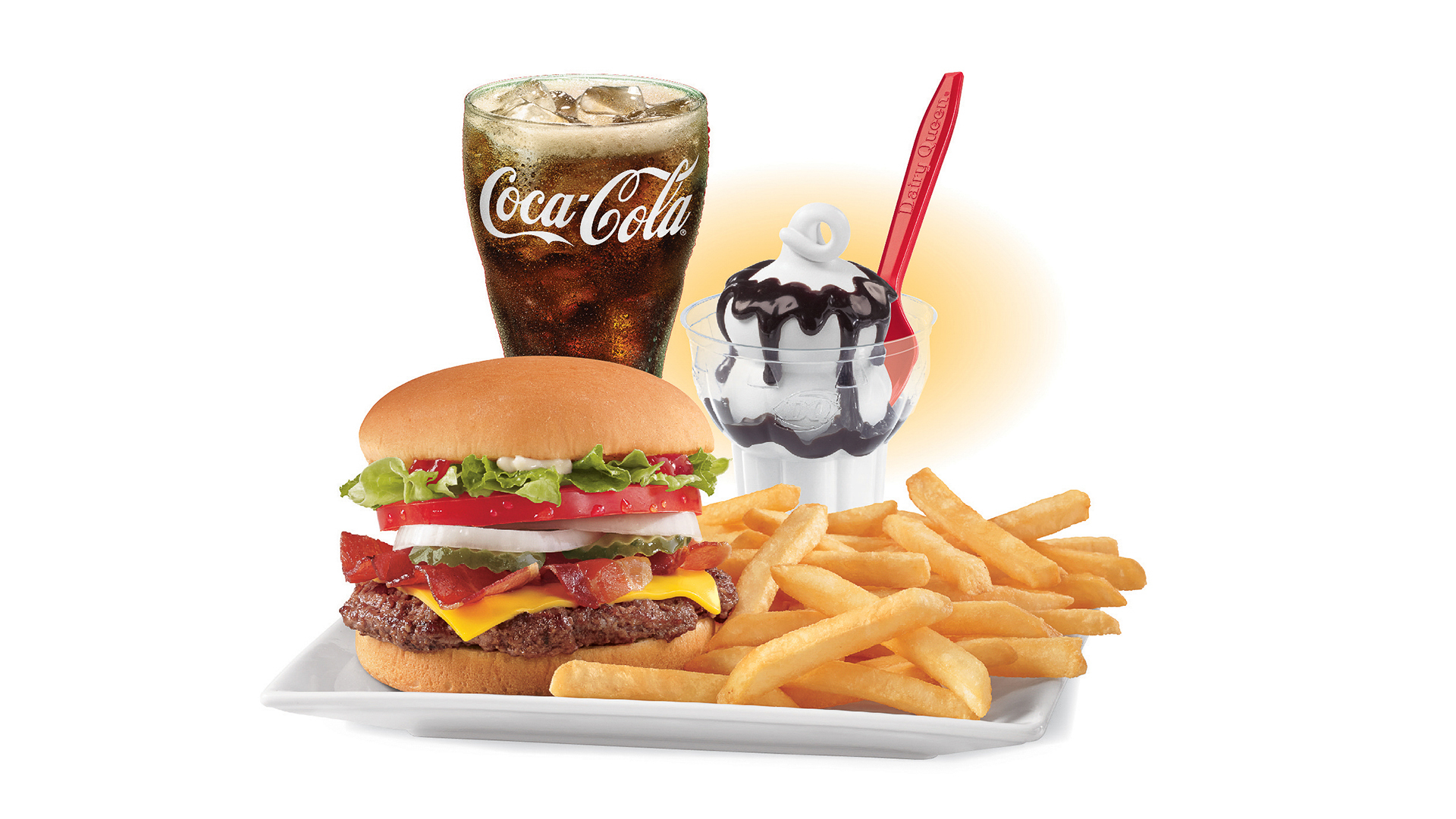 Get In on the Secret: The Hottest Secret Menu Fast Food Items Under $10 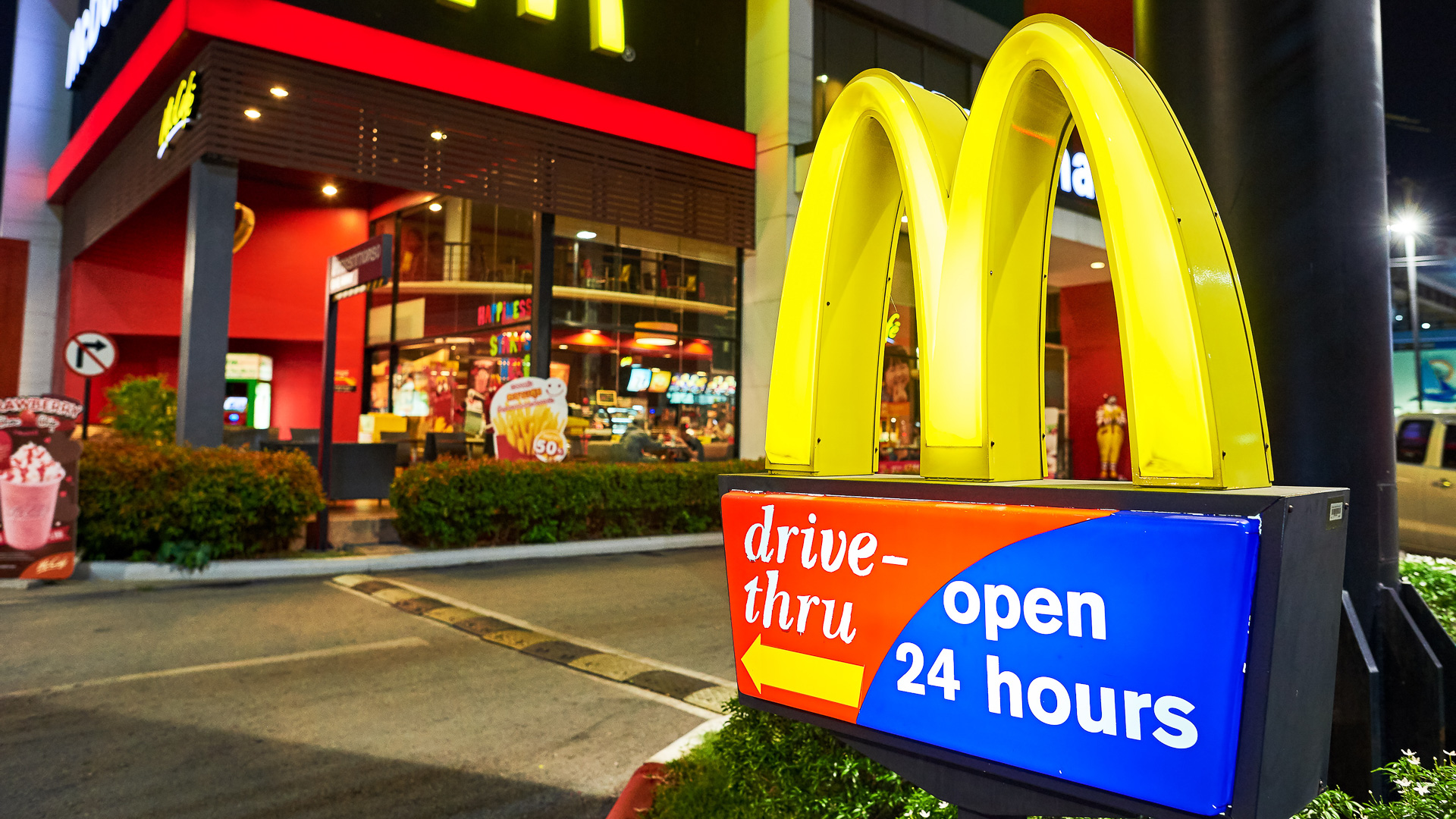 Dollar menu fans, rejoice — with the news that the Golden Arches will soon roll out a successor to their much-beloved dollar menu, your quest for frugal fast food finds just got a whole lot easier.

After McDonald’s dropped its McPick 2 offerings last year and replaced its original Dollar Menu in 2013, things seemed a little bleak on the discount food front — but fear not, the new “value-priced” menu was announced to have a national rollout date of early 2018, and is said to feature deals “for $1, $2 and $3.”

In the meantime, there’s still quite a list of what you’ll be able to get at McDonald’s for under a dollar. 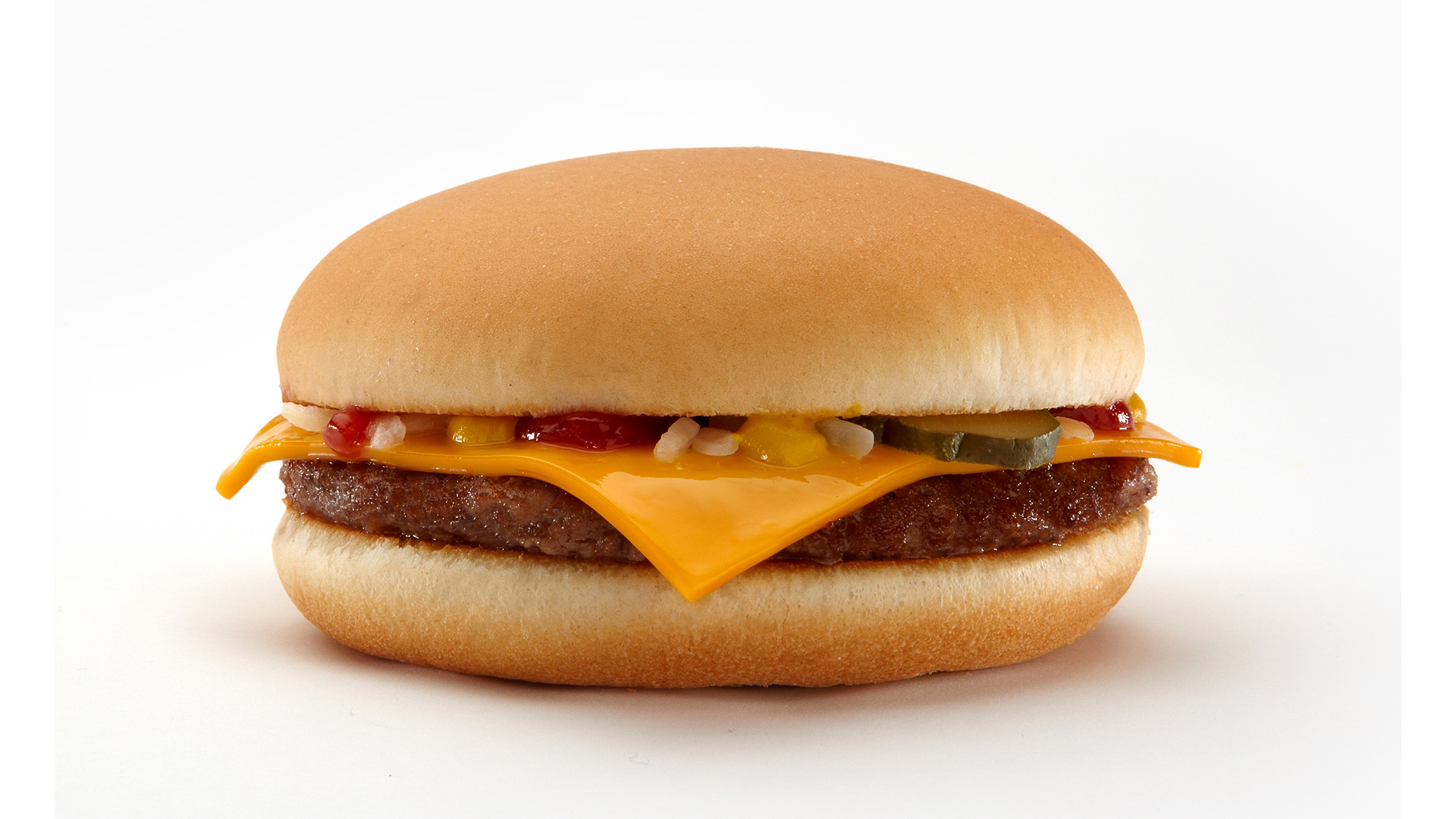 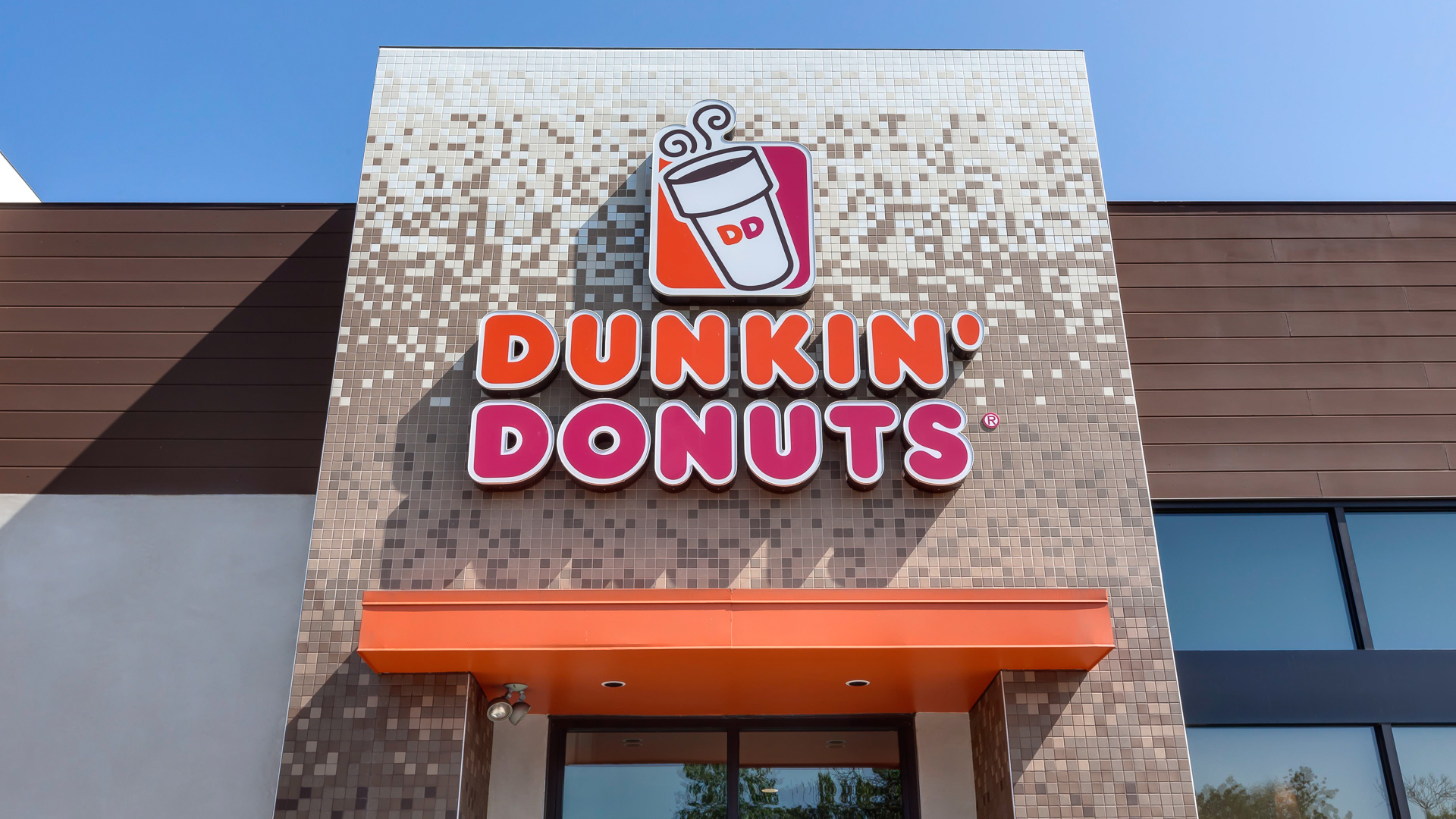 Head to your local donut destination for breakfast if you’re on a tight budget. Dunkin’ Donuts doesn’t have an official dollar menu, but you can find some tasty eats for a buck.

For example, get two Egg & Cheese Wake-Up Wrap Sandwiches for $2 — and add meat for a dollar more at select locations for a limited time. Another one of the best fast food specials around involves the chain’s well-known Munchkins — pick up four of these delicious donut holes for a dollar.

A lonely buck can still satisfy your Dunkin’ desires — even if it doesn’t quite cover a coffee. 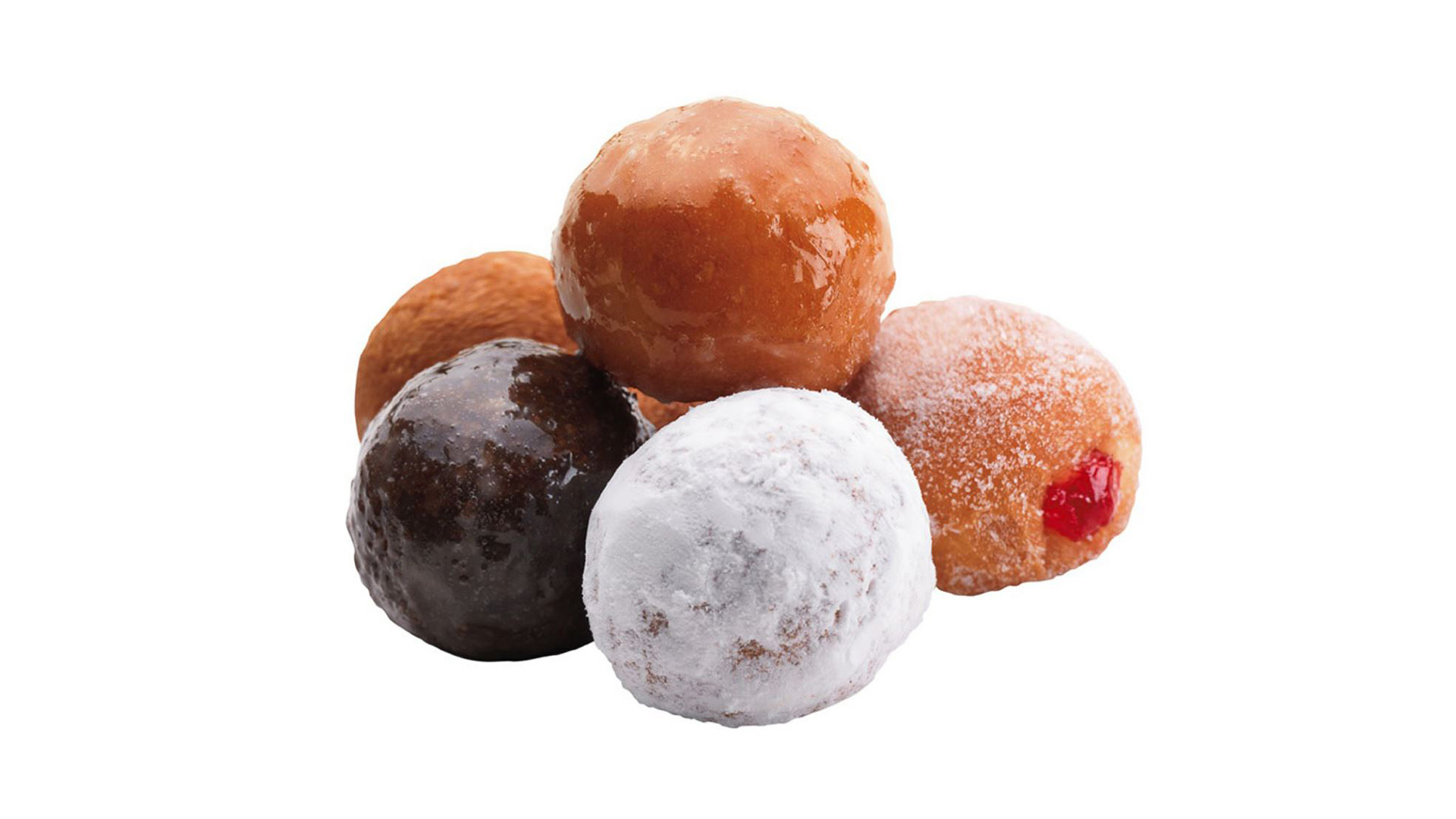 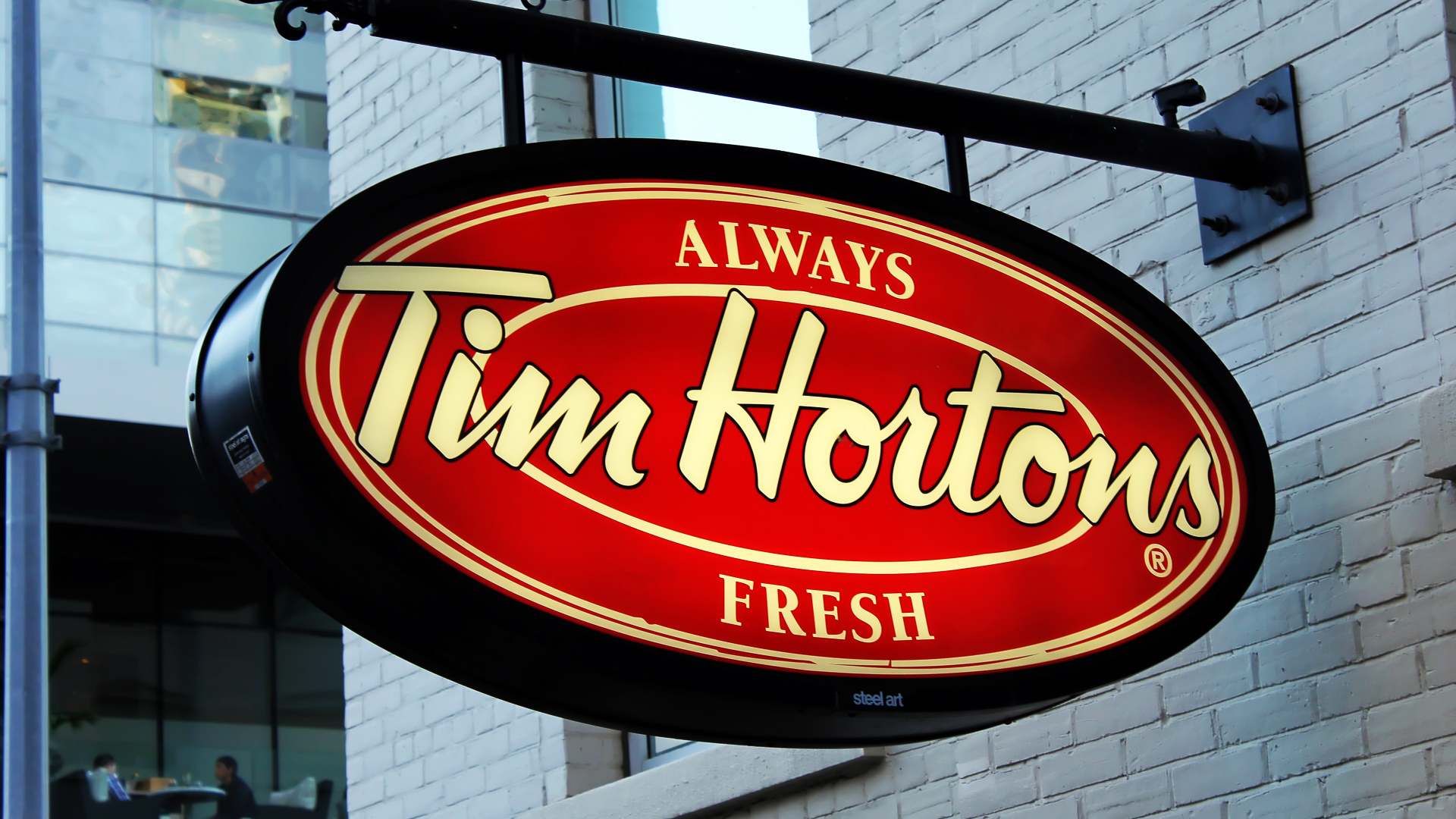 It’s famous for the freshly brewed coffee, but Tim Hortons is also a good place to get your donut fix for under a dollar. Even though the eatery doesn’t have a dollar menu or a value menu, you can pick up a regular donut for 99 cents or for $1 more treat yourself to 10 signature, bite-sized donut holes known as Timbits.

Bring your sweet tooth and a buck and nosh on some classic sweets to fill your craving. 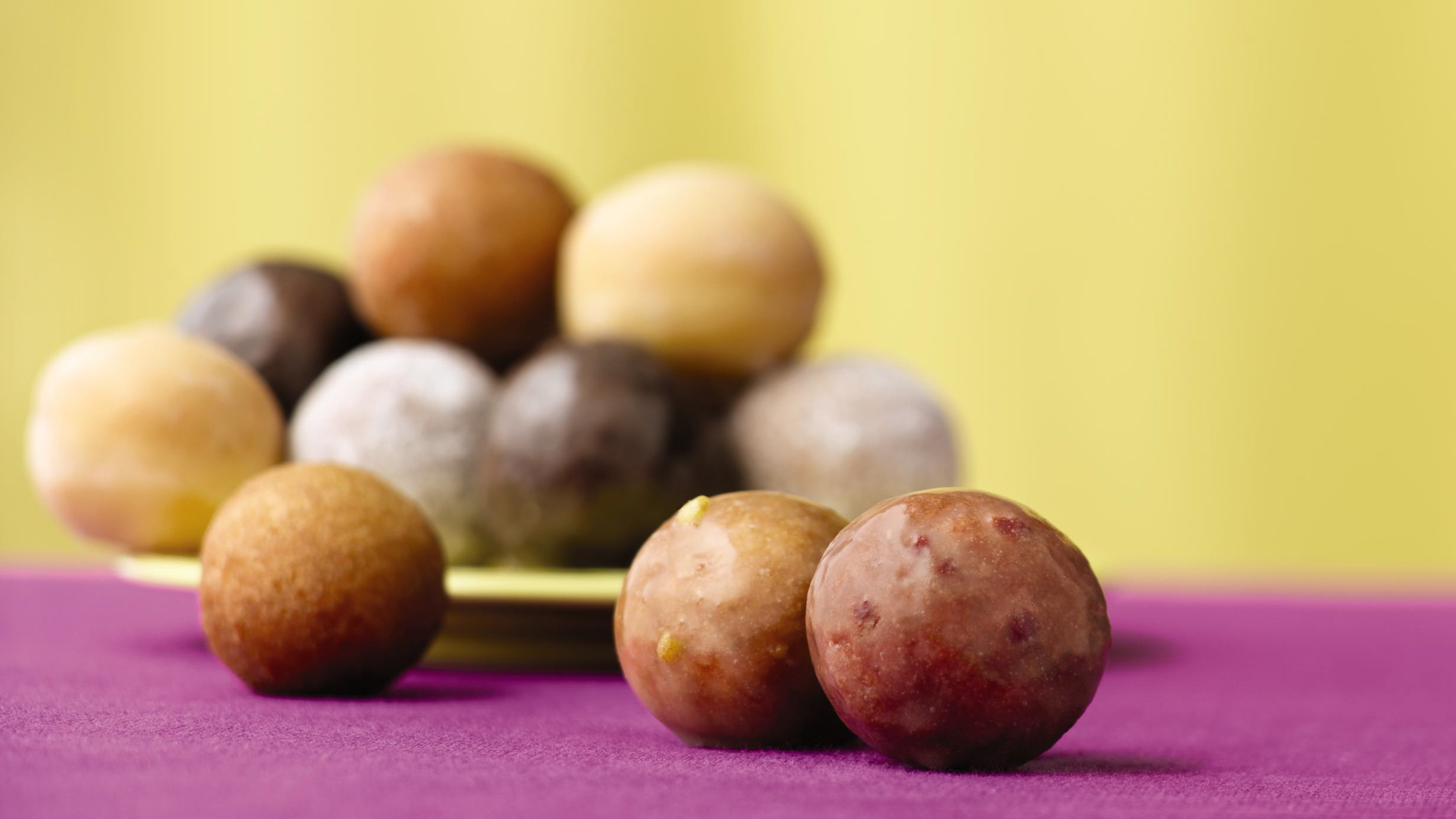 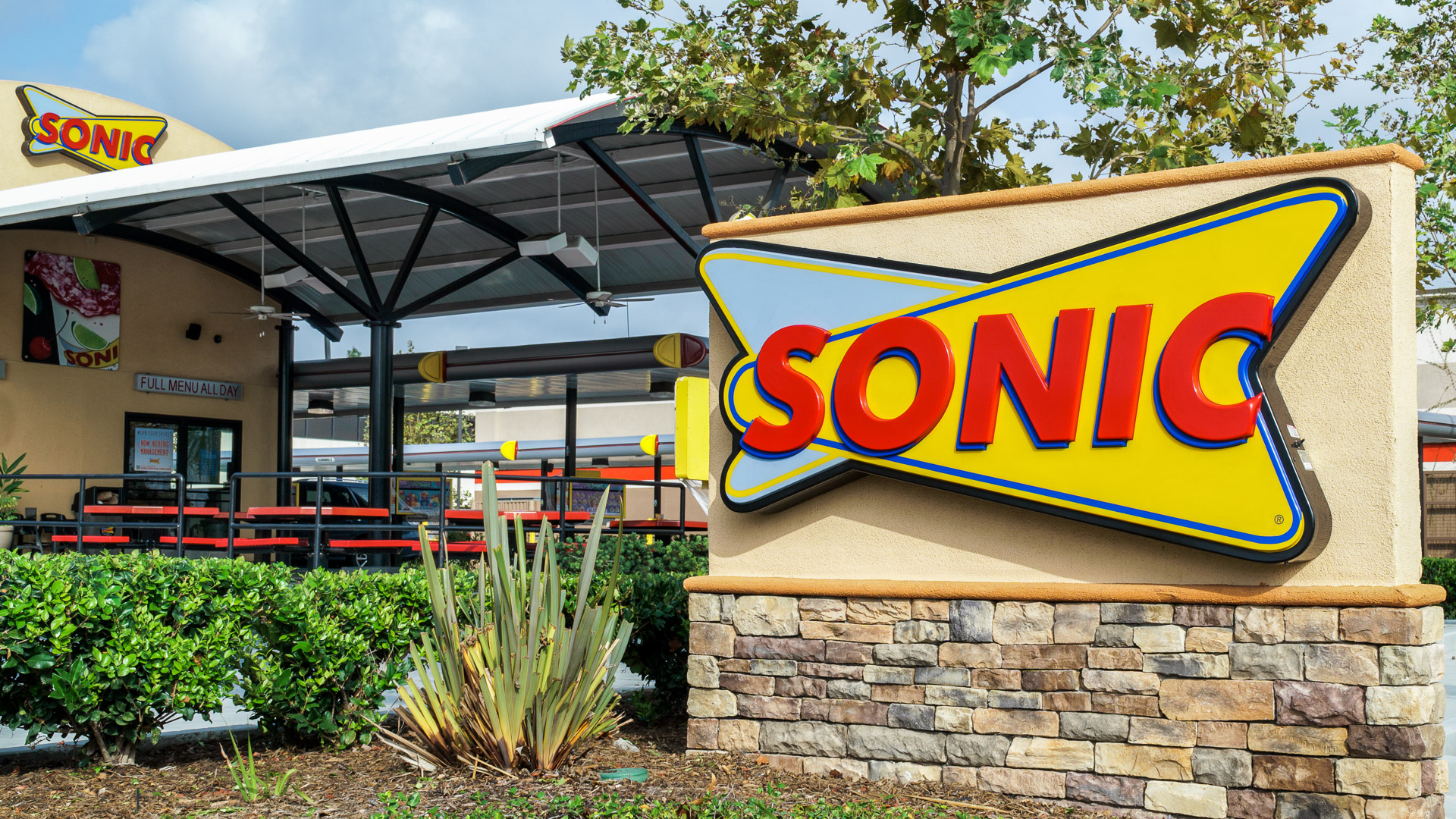 If you’re in the mood for a retro diner experience on a tight budget, pull up for drive-in service and get your fill of fast food favorites at Sonic.

While there’s no dollar menu to choose from here, you can get corn dogs for 99 cents during the happy hour that runs from 2 p.m. to 4 p.m. daily.

Head for Sonic’s Happy Hour from 2 to 4 p.m. or Late Night Happy Hour after 8 p.m. to take advantage of these deals, along with half-price on slushes, teas and other drinks. 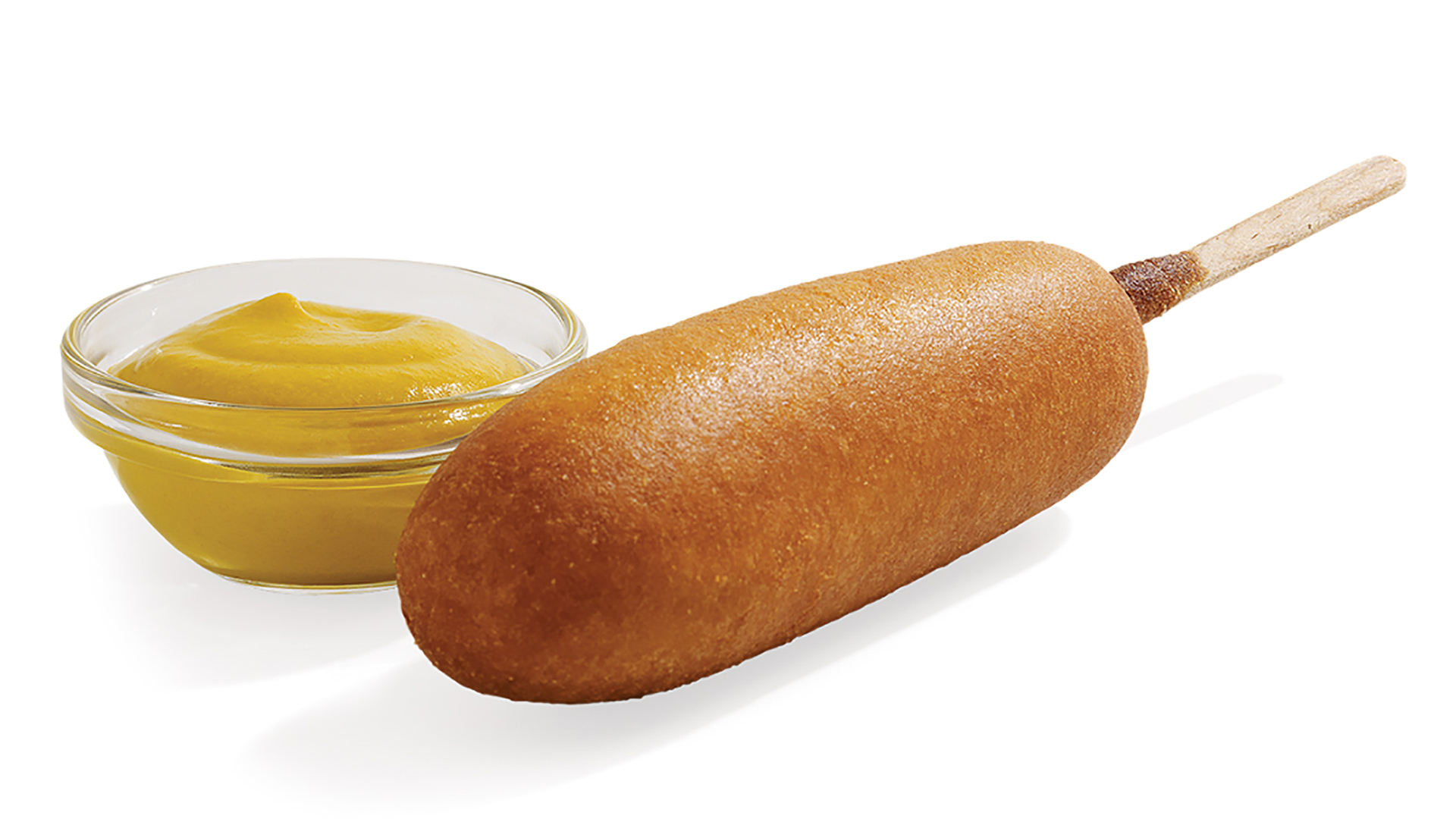 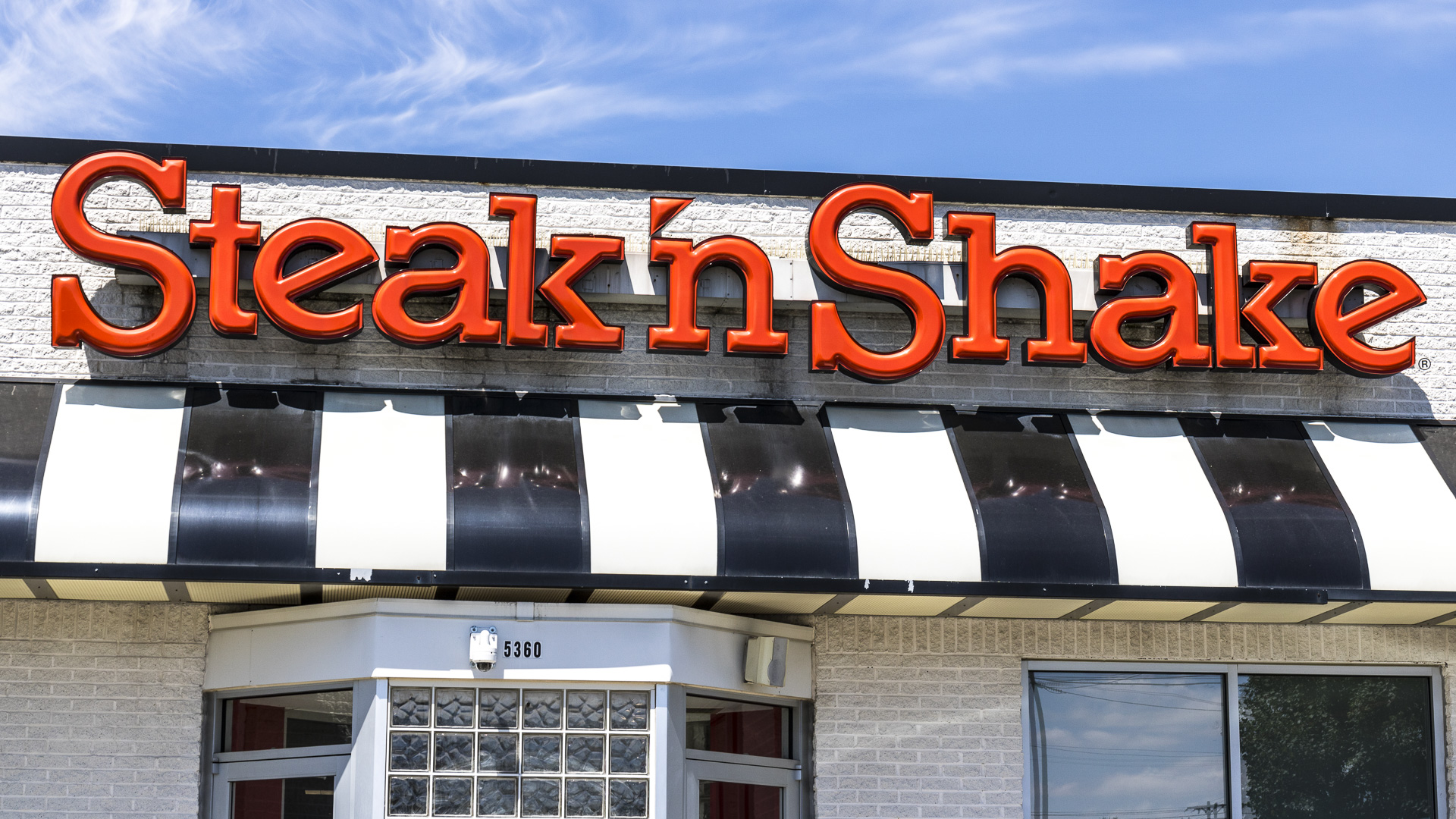 Steak ‘n Shake’s value offerings include 24 meals under $4, including the Triple Steakburger and the Guacamole Steakburger with fries. However, you can find a couple of items that cost less than $1 hidden in the regular menu. Steakburger Shooters are 89 cents, and you can score one with cheese for just 10 more cents.

Start National Greasy Foods Day off right when you stop by Steak ‘n Shake for breakfast and fill up with a Sausage, Egg ‘n Cheese breakfast taco. You’ll want to stop by at lunch or after work to snack on bite-sized Steakburger Shooters. 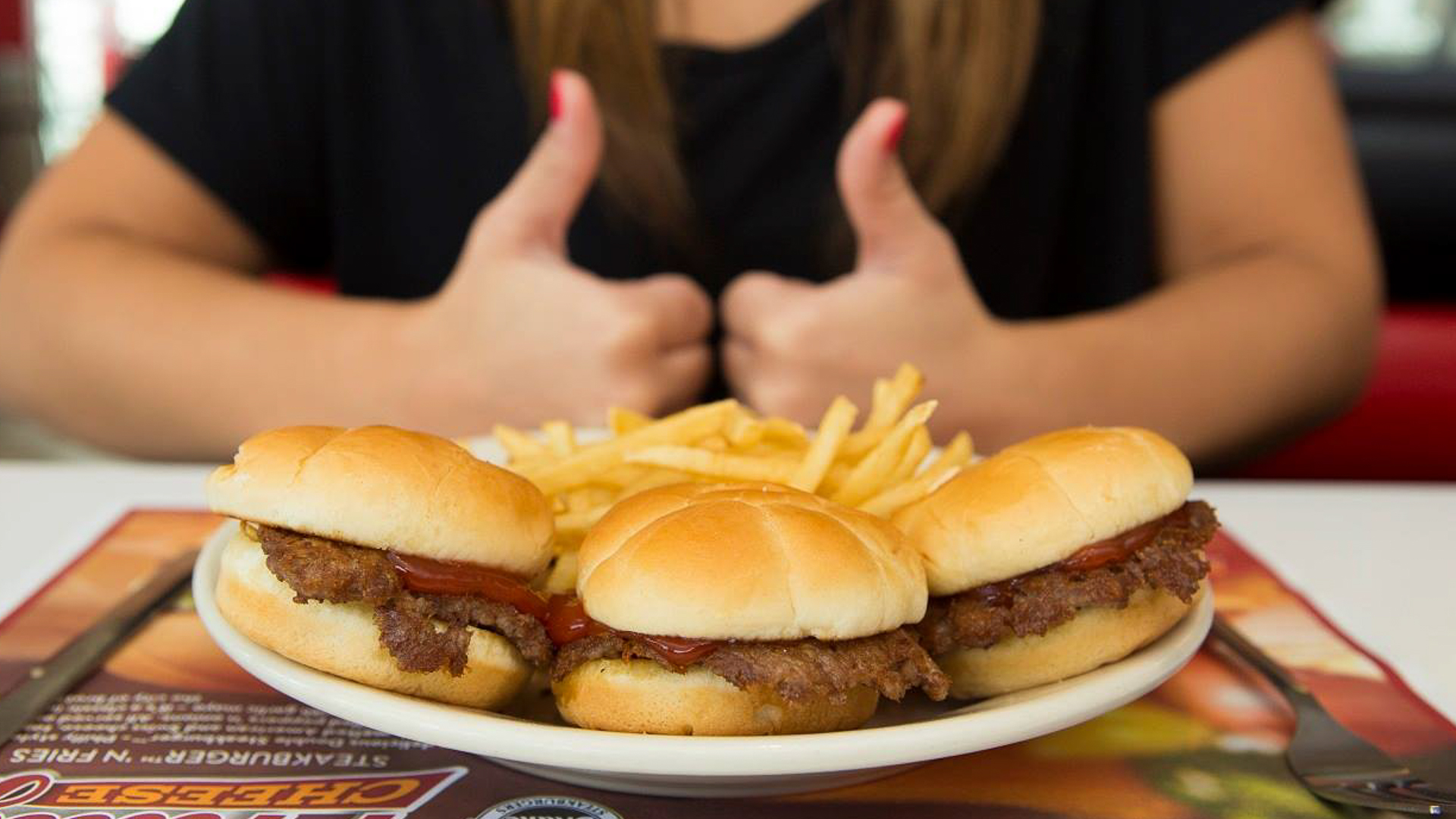 Up Next: How to Eat Out and Still Save Money

Jodi O’Connell contributed to the reporting for this article.