27 Best and Worst Deals at Aldi 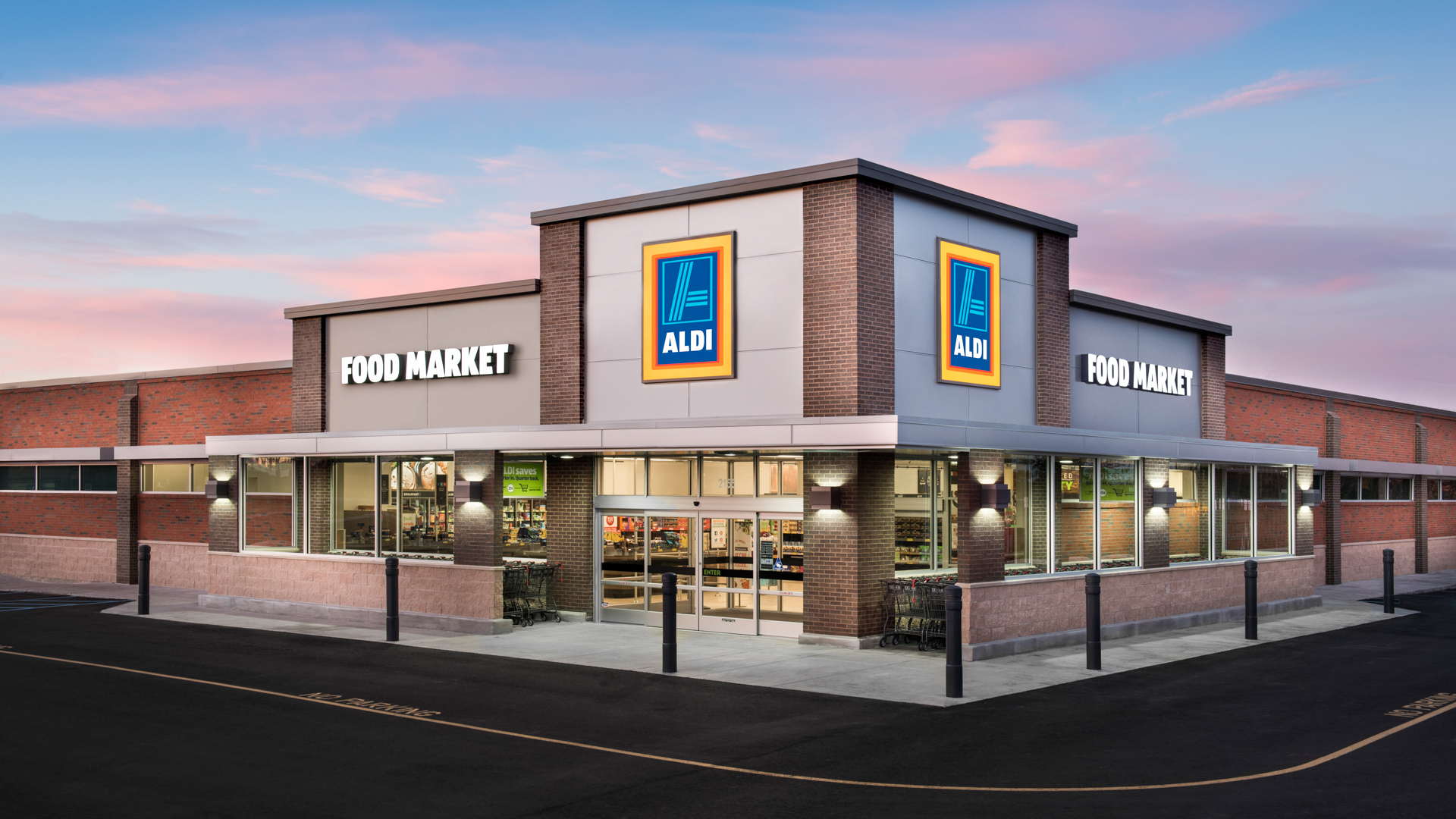 ALDI isn’t your typical grocery store. Founded in Germany, this chain now has more than 1,600 stores in the U.S. and offers a no-frills shopping experience. You have to bring your own shopping bags or buy reusable ones, and pay 25 cents to use a shopping cart (you get your quarter back when you return your cart).

Plus, ALDI stores carry only the most commonly purchased grocery items, and 90 percent of the items are exclusive ALDI brands. As a result, ALDI claims that shoppers can save up to 50 percent over national brands. Does that mean everything is a deal at ALDI? Not necessarily.

GOBankingRates asked money-saving experts who are frequent ALDI shoppers to share what to buy and avoid at this discount grocer. We also surveyed prices on numerous products to pinpoint the best and worst things to buy at ALDI. One thing is clear: Aldi compares favorably to traditional grocery stores and big-box stores. 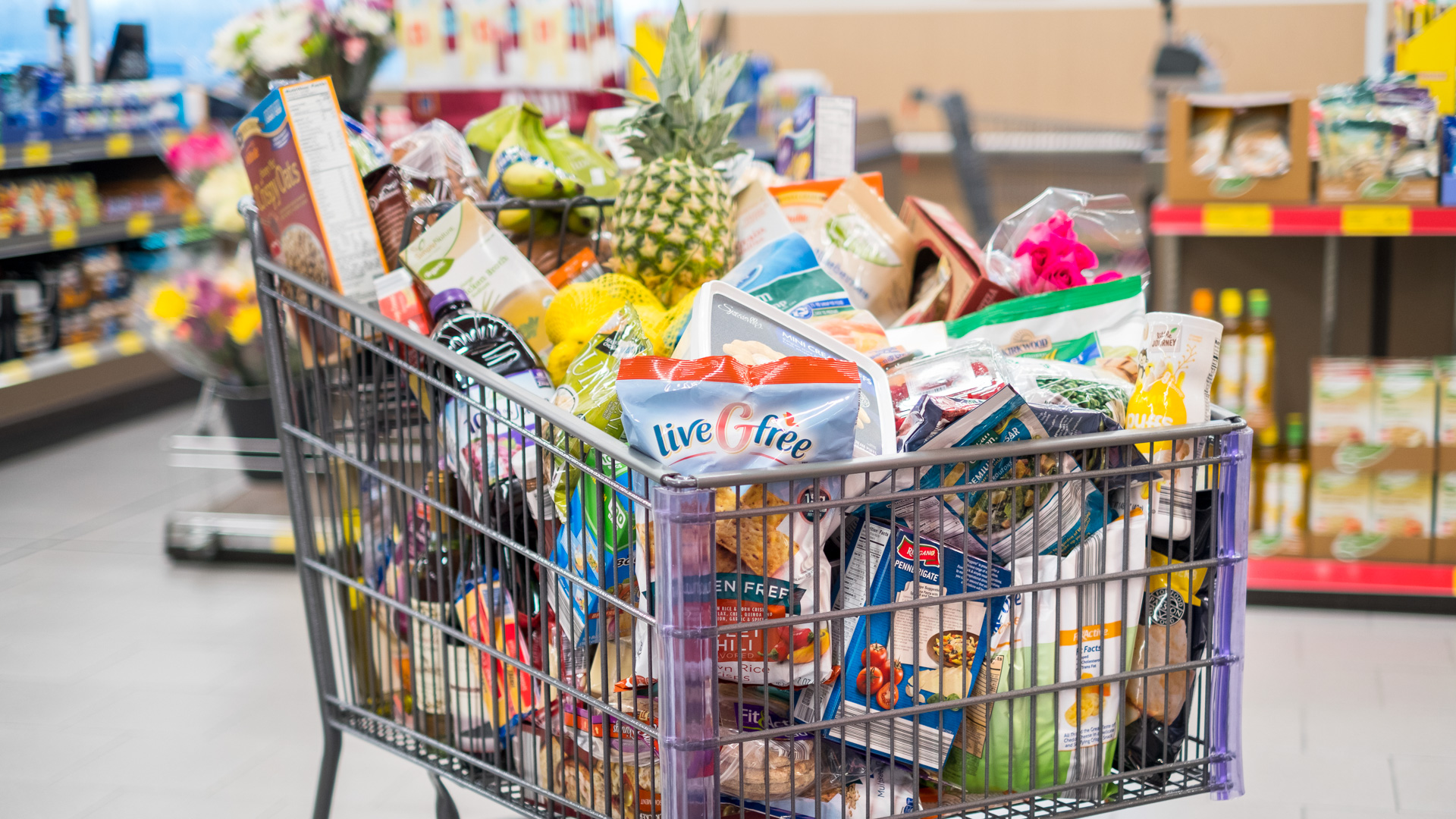 Best Things to Buy at Aldi

You can save a lot buying private-label brands at ALDI rather than brand-name items at other stores. In fact, ALDI exclusive brands often are cheaper than other grocers’ store brands. Plus, ALDI has the lowest prices on many organic items. 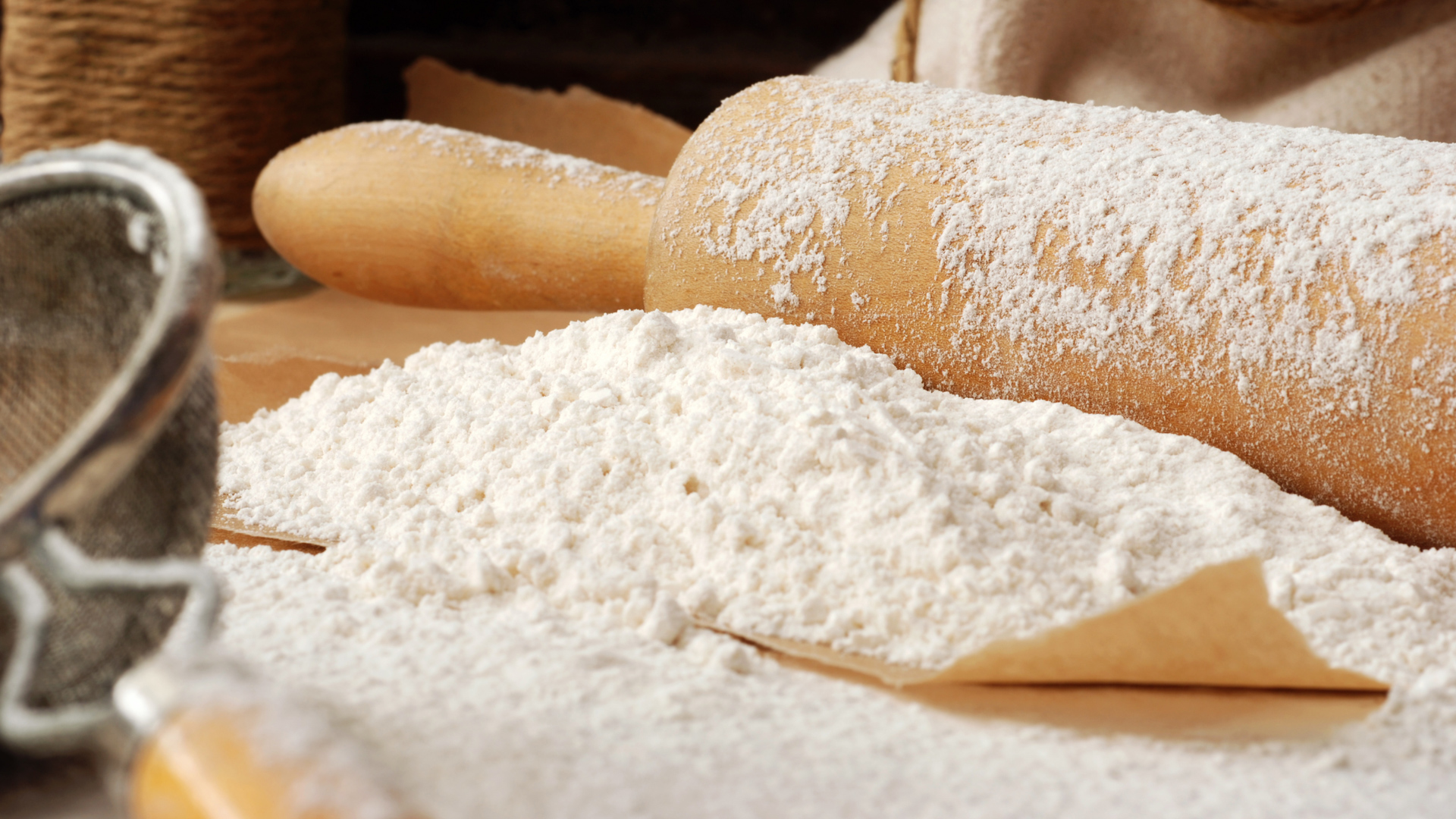 Baking supplies are among the best ALDI deals, said personal finance coach Jessi Fearon, who shares money-saving tips at JessiFearon.com. By stocking up on items she needs for baked goods at ALDI, Fearon said she typically spends $5 to $10 less than she would at the supermarket. 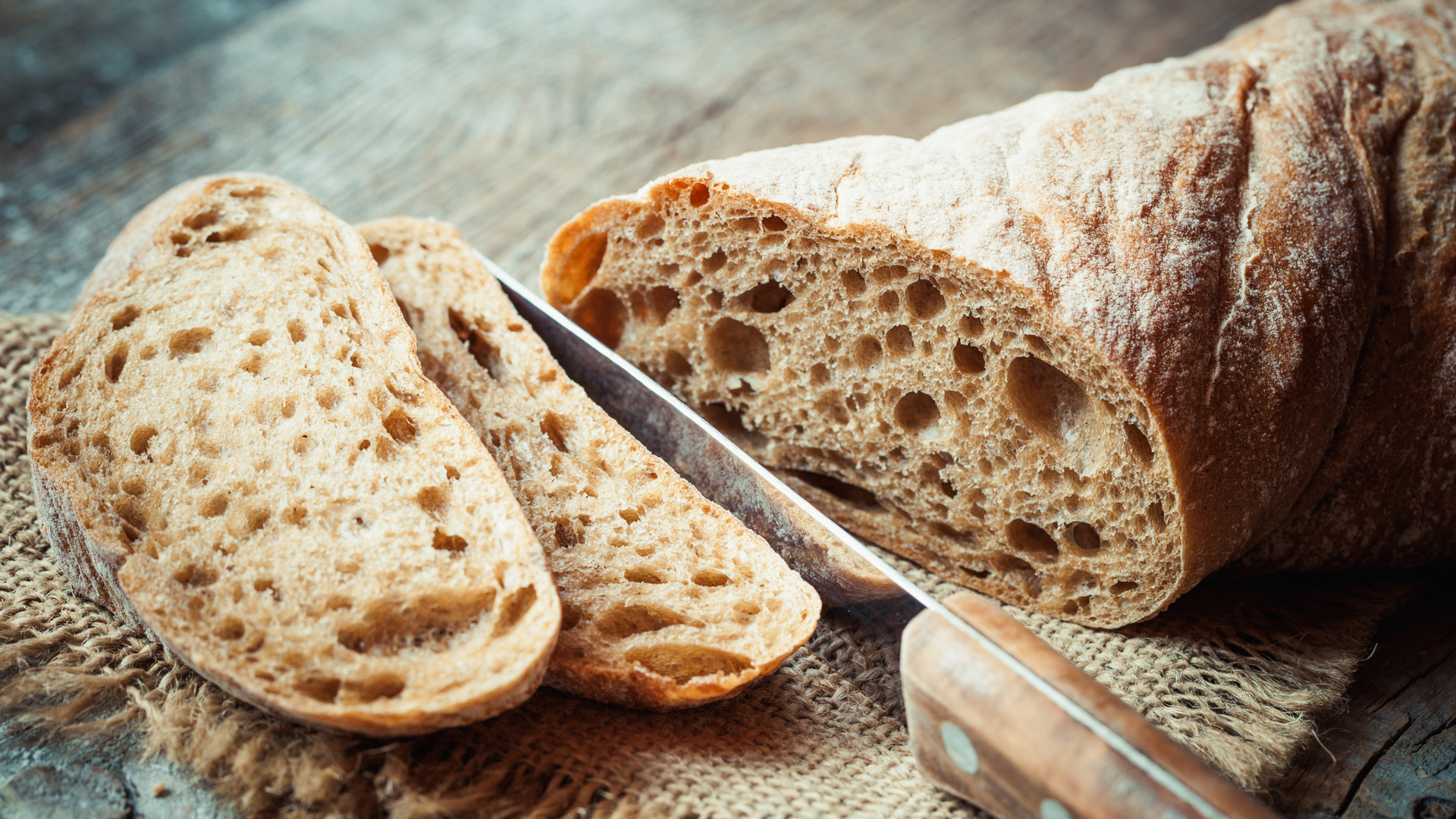 Use Every Crumb: 20 Uses for Leftover Bread That’ll Save You Some Dough 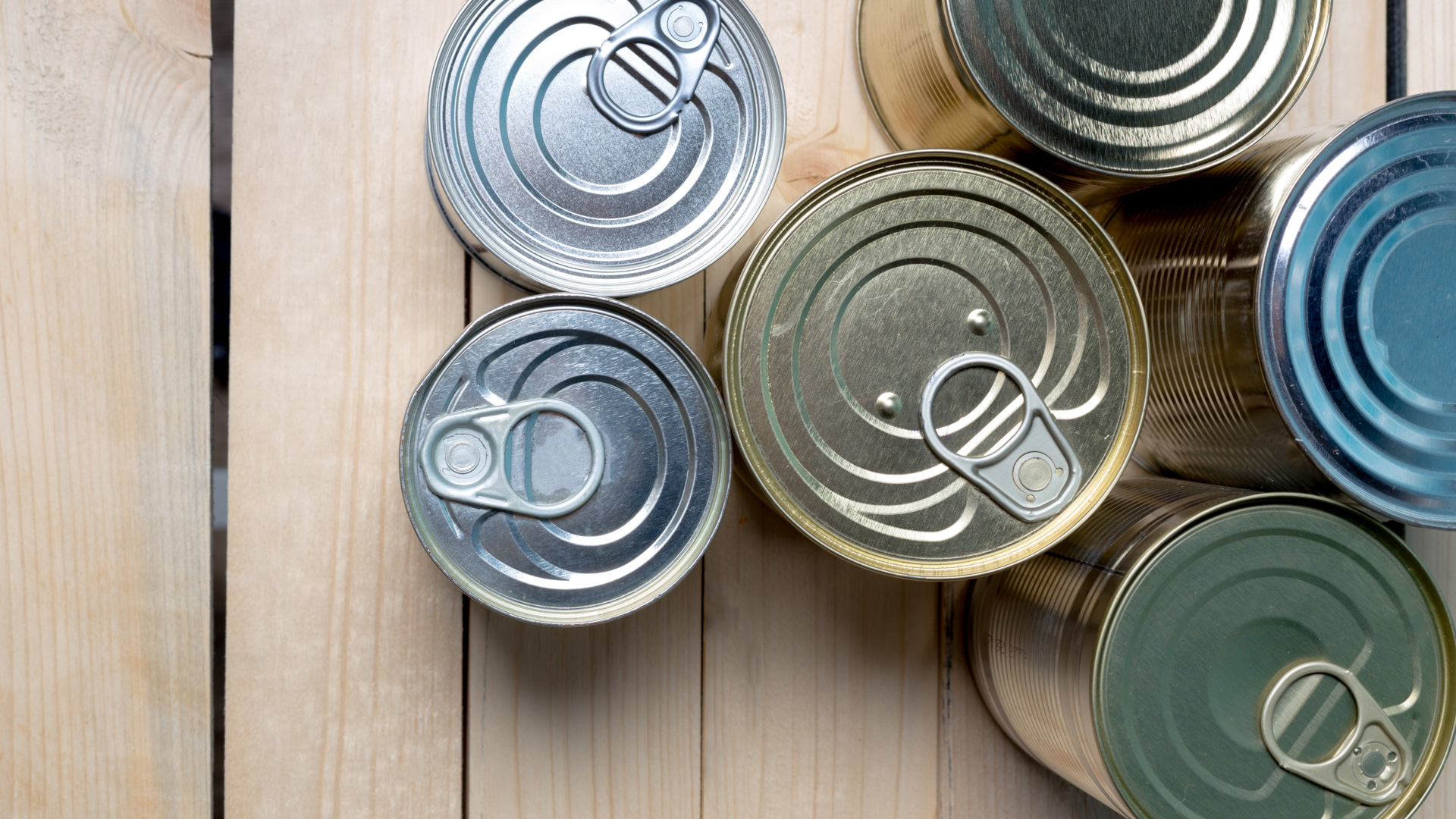 Whether you need canned green beans for a casserole, canned tomatoes for pasta sauce or canned fruit, you’ll save money getting canned goods at ALDI. “My average savings in this category is about $5 to $10 per shopping trip,” Fearon said. 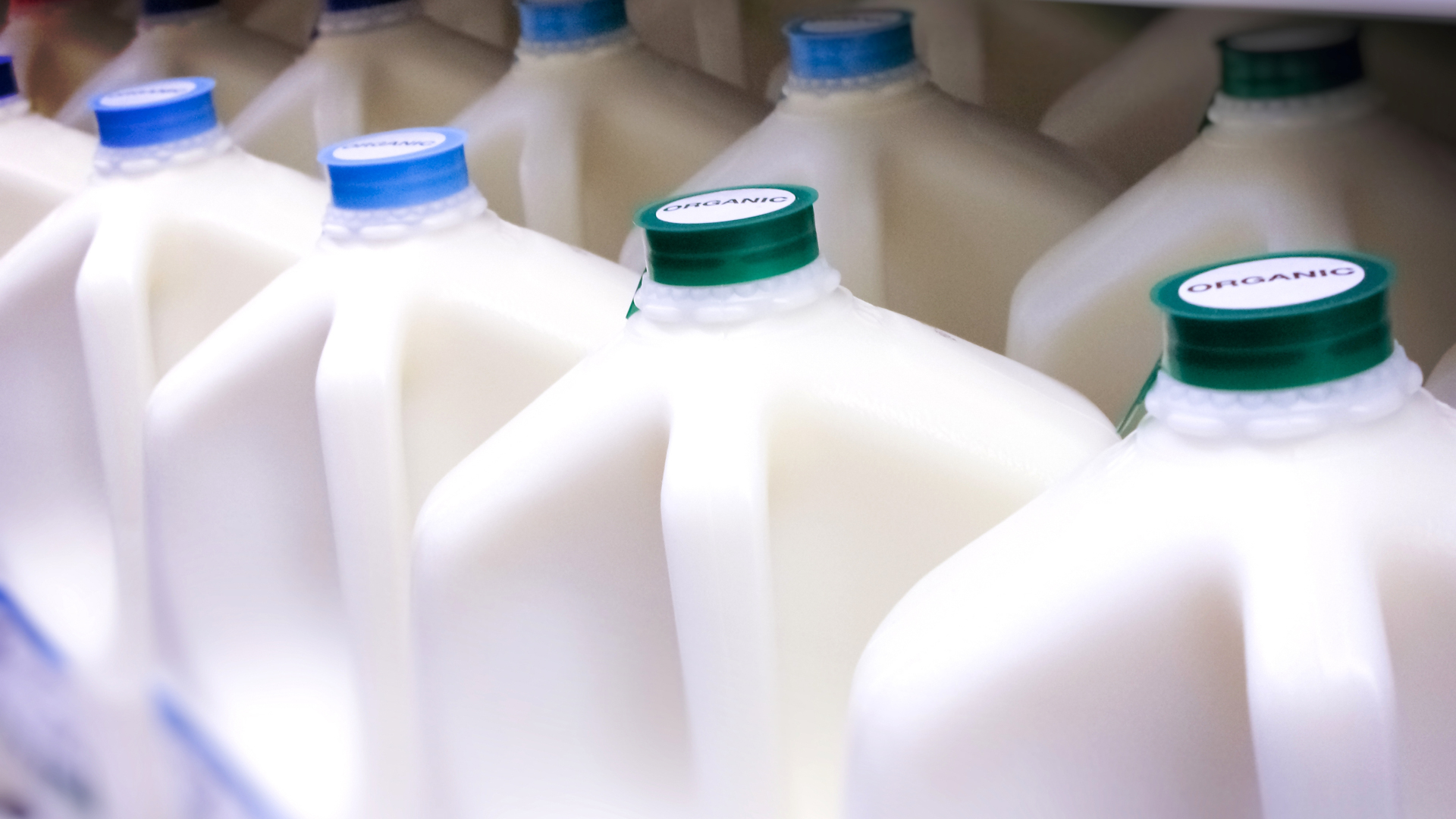 If you have milk lovers in your household, you can save money buying it and other dairy products at ALDI. Fearon said that she typically saves $10 per shopping trip buying dairy items at ALDI rather than other grocery stores. “Sometimes this is way more because ALDI sometimes lowers its milk cost to 99 cents, and I’ve even seen it as low as 89 cents a gallon,” she said.

If you prefer organic milk, you’ll save money buying it at ALDI. A half-gallon carton of ALDI’s Friendly Farms organic milk costs $2.94. Kroger’s Simple Truth organic milk is about 50 cents more per carton.

Dairy items like milk and Greek yogurt are good for you and your wallet. 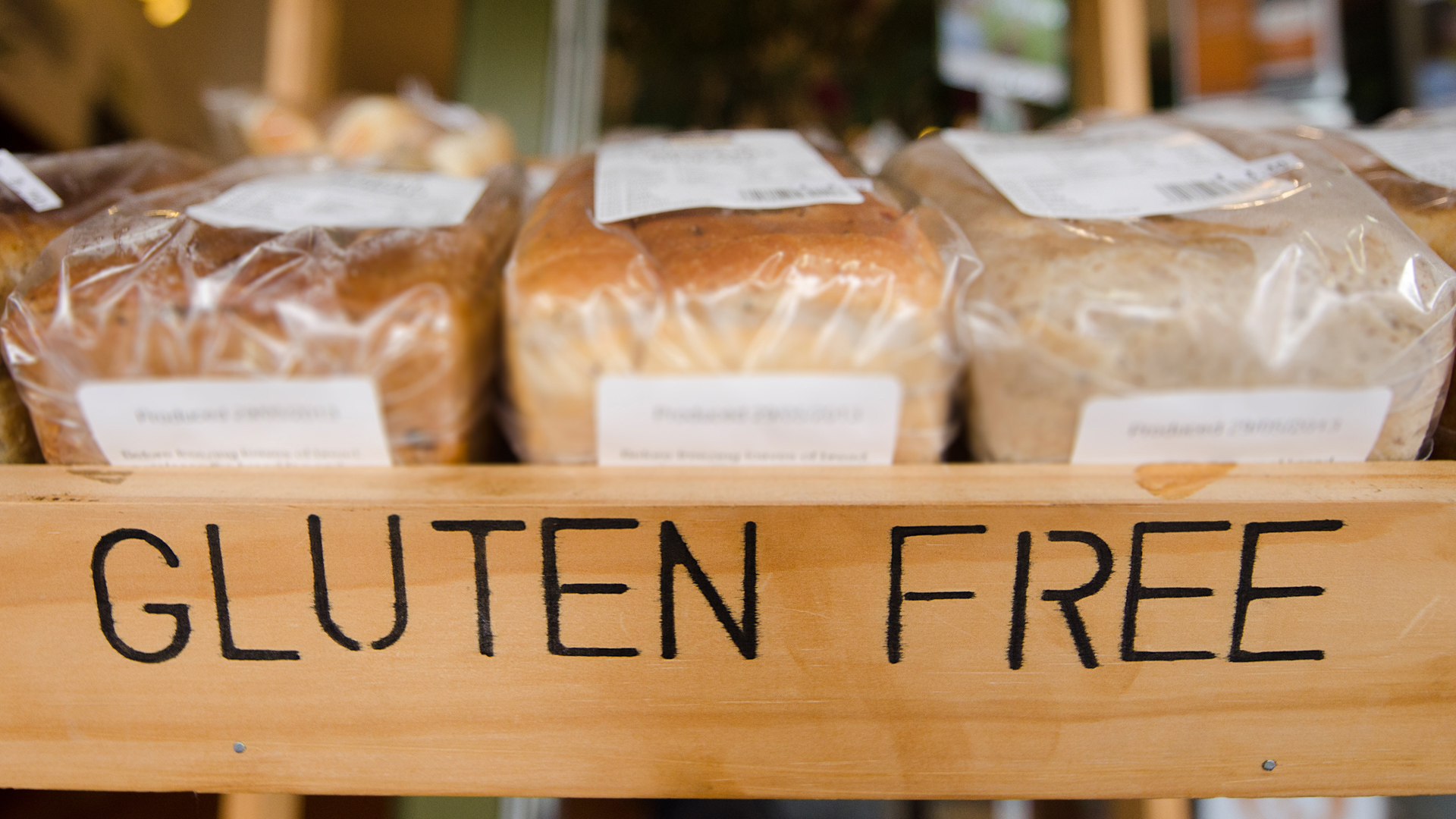 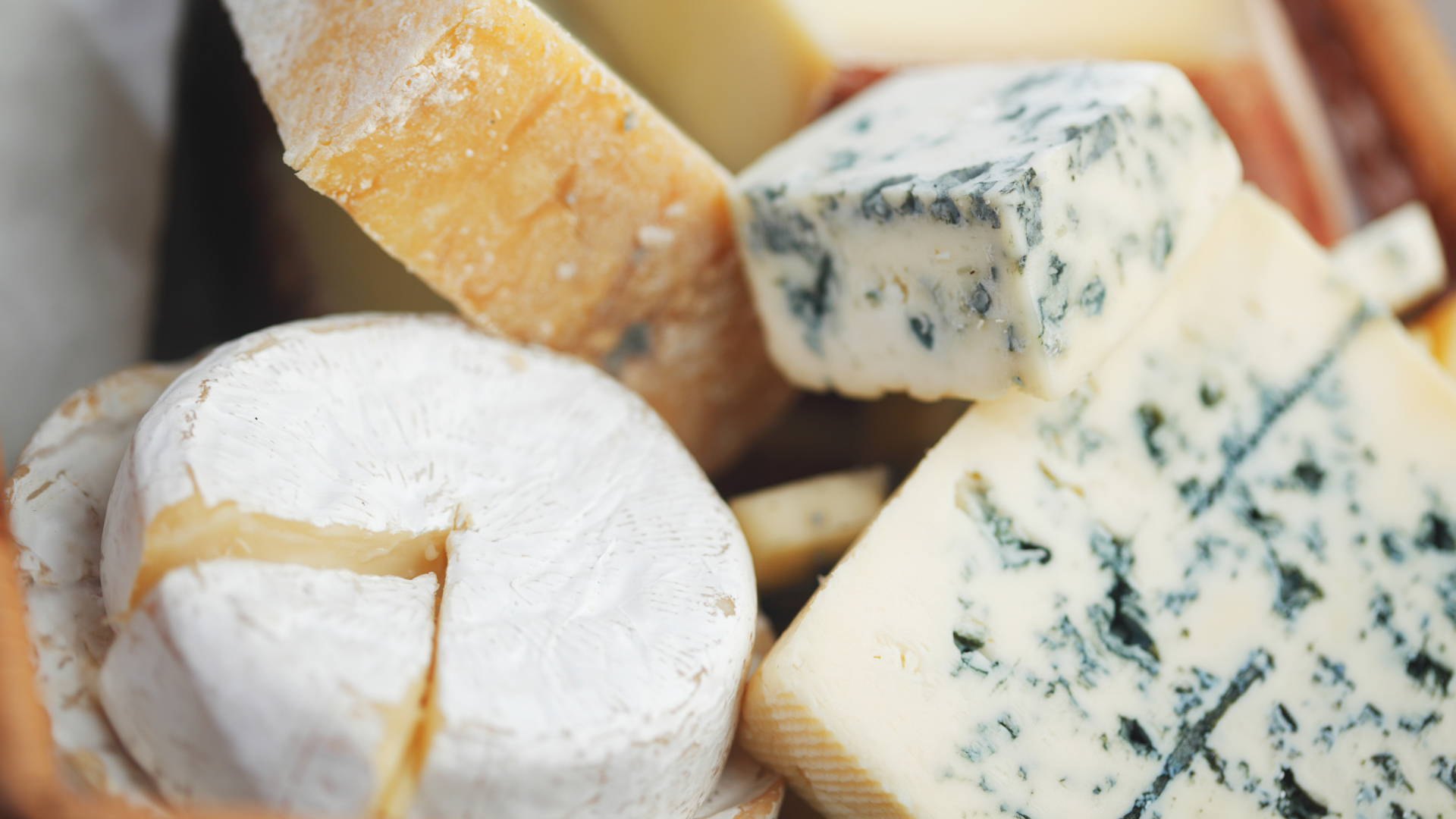 One of the best buys at ALDI is gourmet cheese. You can find several types for half the price of what you’d pay at another grocery store. For example, an 8-ounce package of brie costs $2.99 at ALDI. The same-sized package at Kroger costs $5.99. 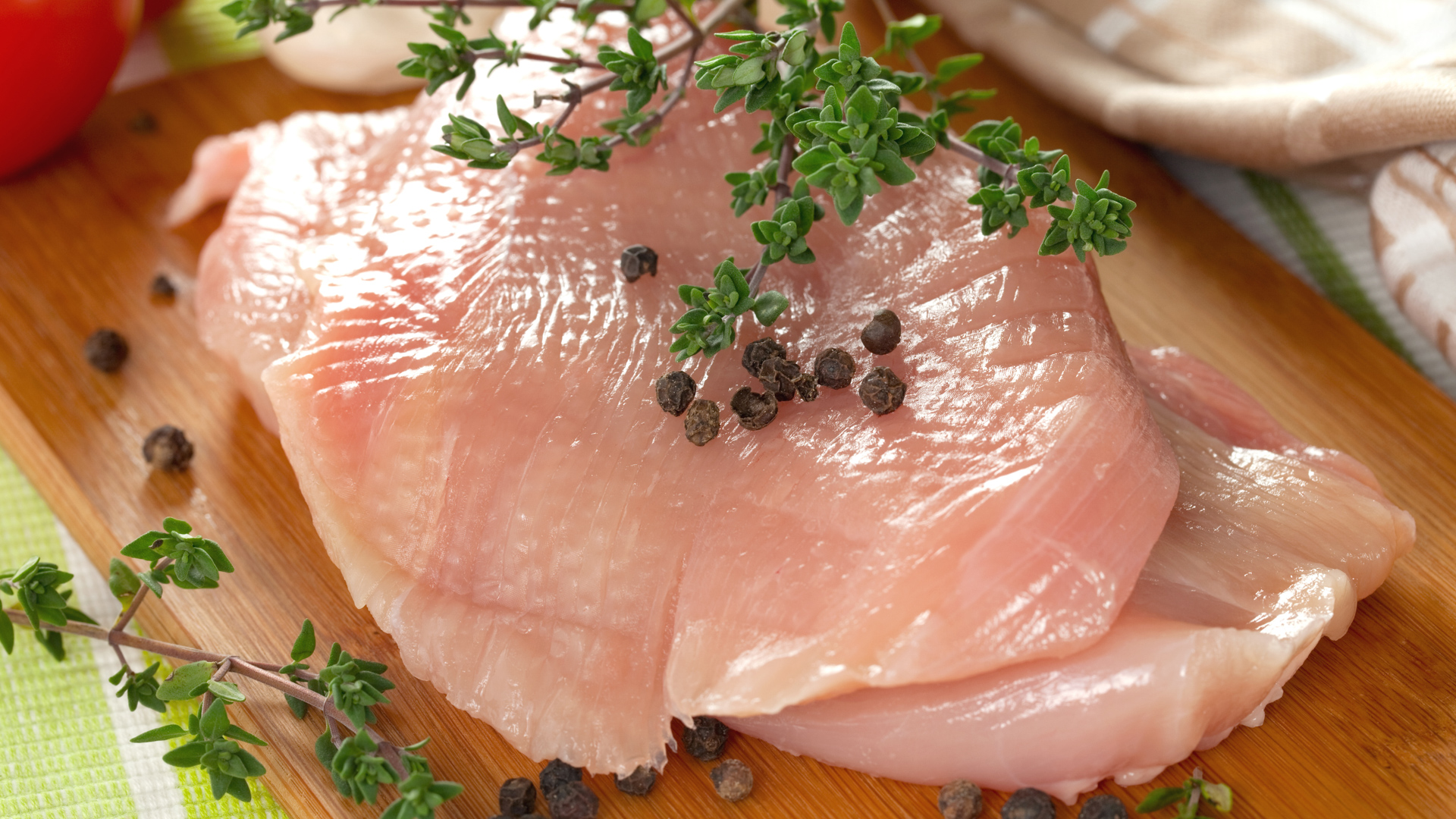 Meat is one of the best ALDI deals. For example, strip steak and ground beef cost $1 less per pound at ALDI than at Kroger.

A Cost Breakdown: How to Pick Your Cut of Meat 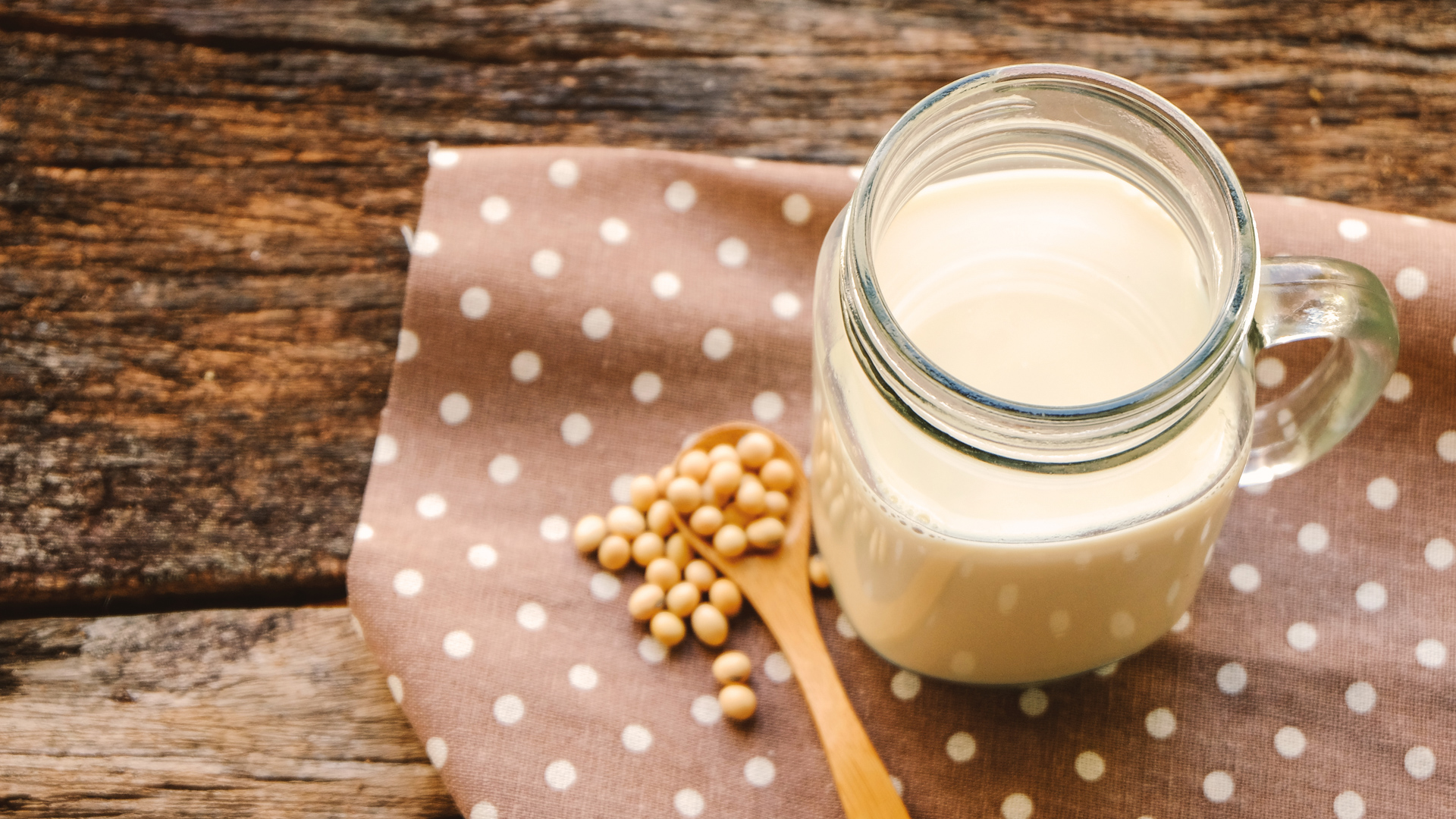 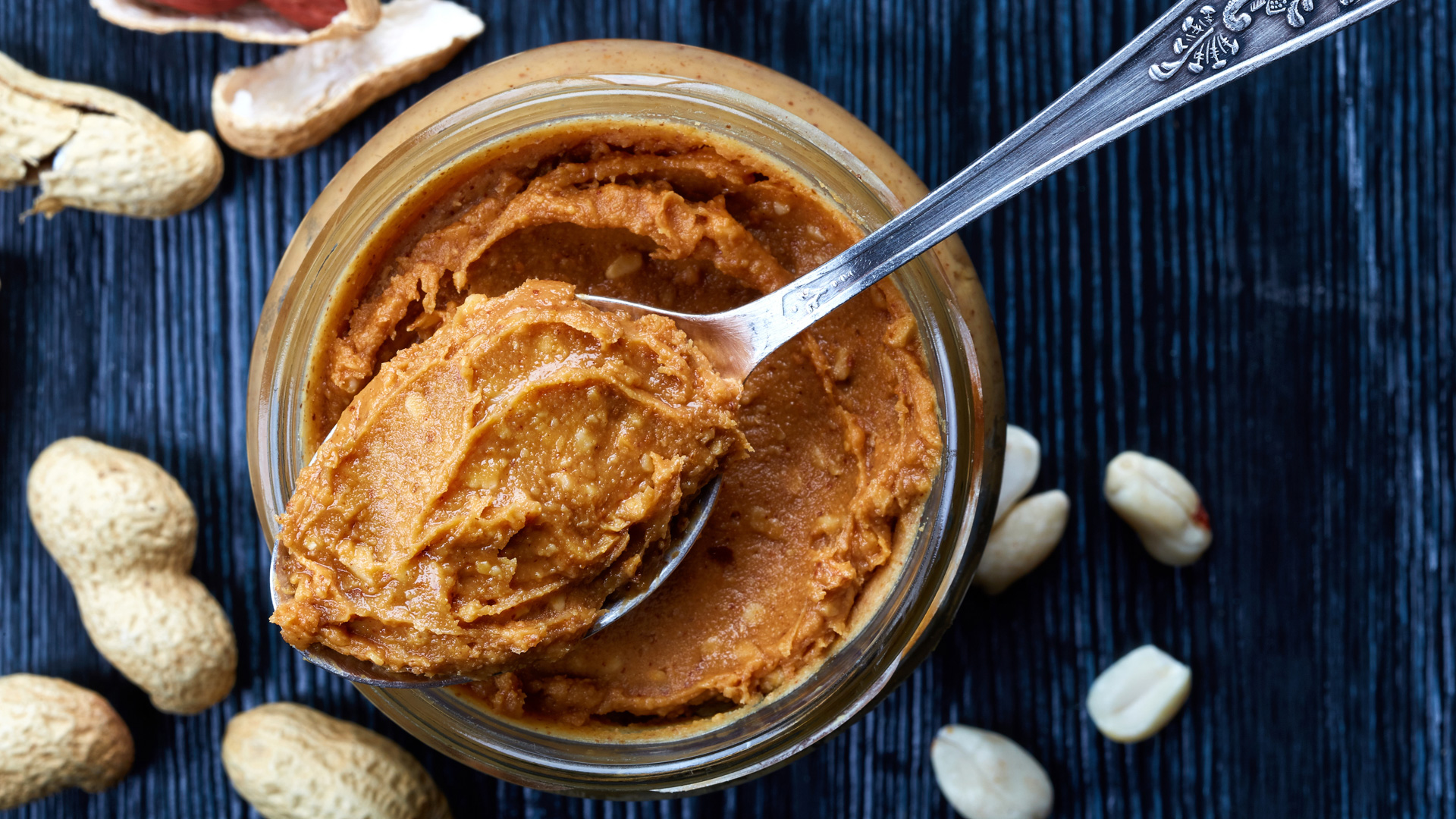 Shop ALDI Instead: 15 Items to Avoid at Walmart 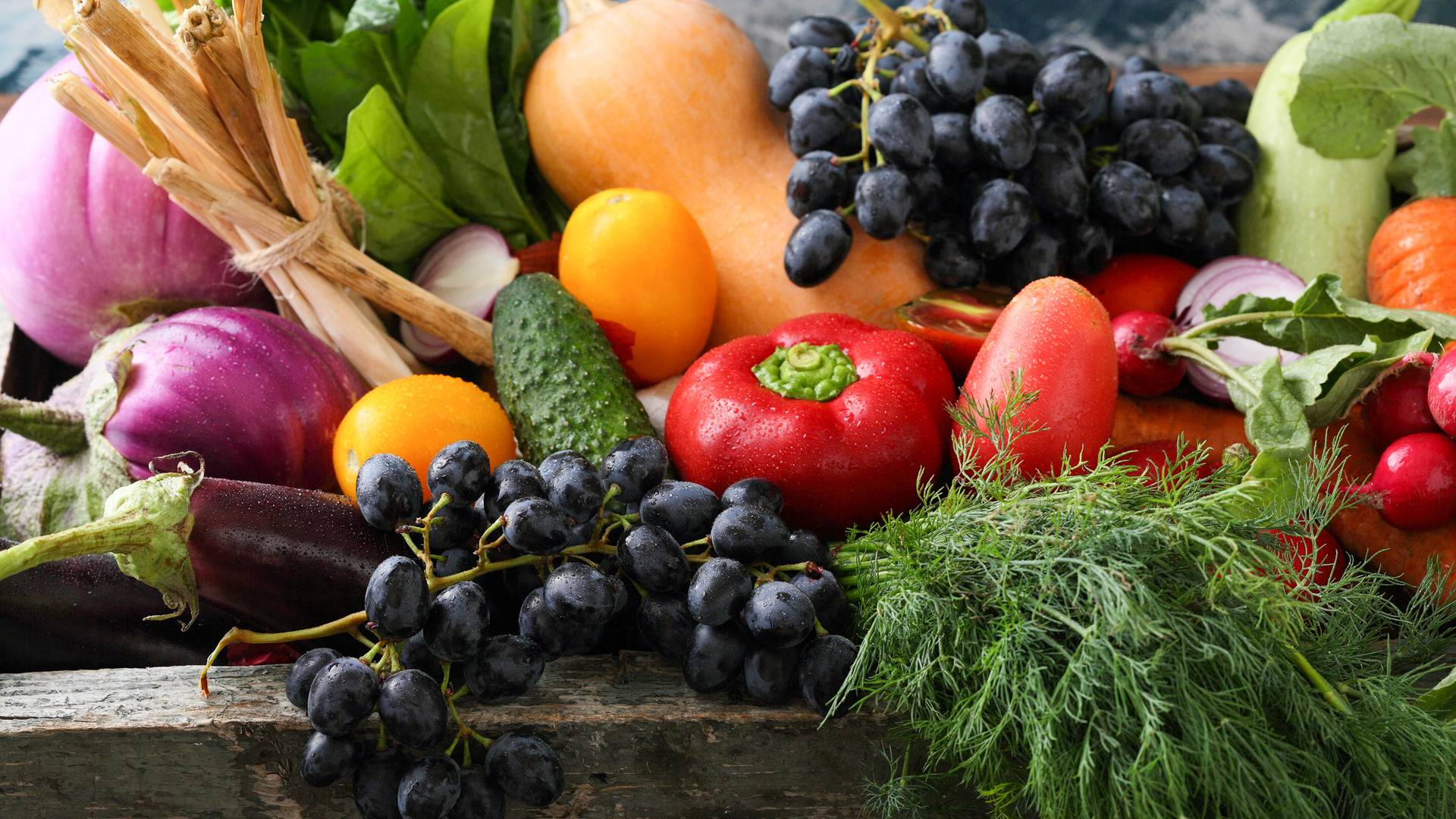 You’ll pay less for organic produce at ALDI than at Whole Foods and other supermarkets that carry organic items. In fact, organic produce is one of Greutman’s top picks for best buys at Aldi.

“ALDI organic spring mix is 60 percent less than my grocery store brand,” she said. “They also carry organic bananas, tomatoes, strawberries, apples, avocados and many more organic produce items.” Organic strawberries, for example, cost $1 less at ALDI than at Kroger. And a pint of organic grape tomatoes is $2.29 at ALDI versus $2.49 at Kroger. 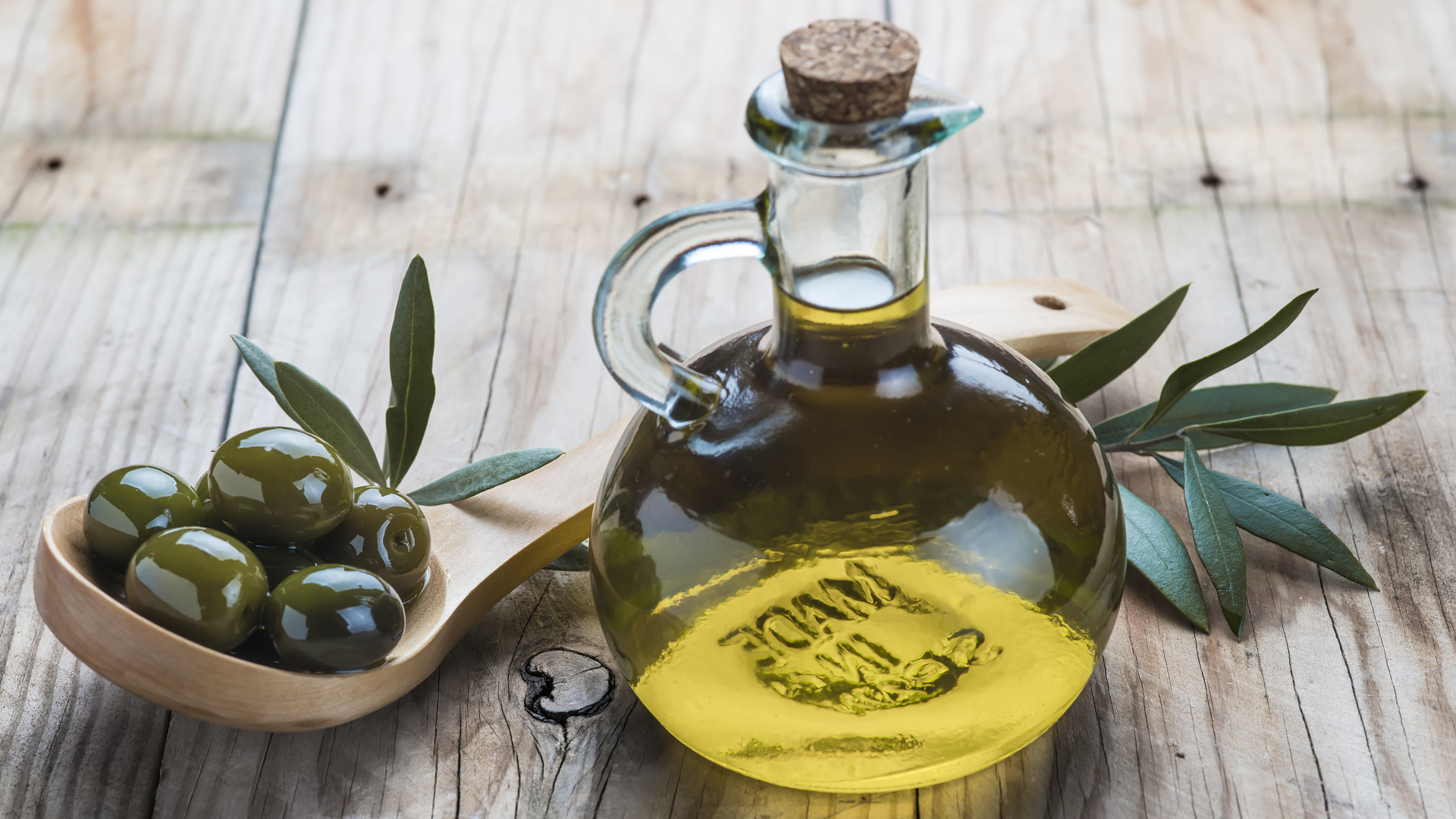 You’ll get a much better deal on organic olive oil at ALDI than at other grocery stores. ALDI’s price for a 16.9-ounce bottle is $2 lower than the price for similar-sized bottles at both Kroger and Walmart. In fact, the $3.99 price for ALDI’s organic oil is the same price as Kroger’s conventional olive oil and $1 less than Walmart’s classic olive oil. 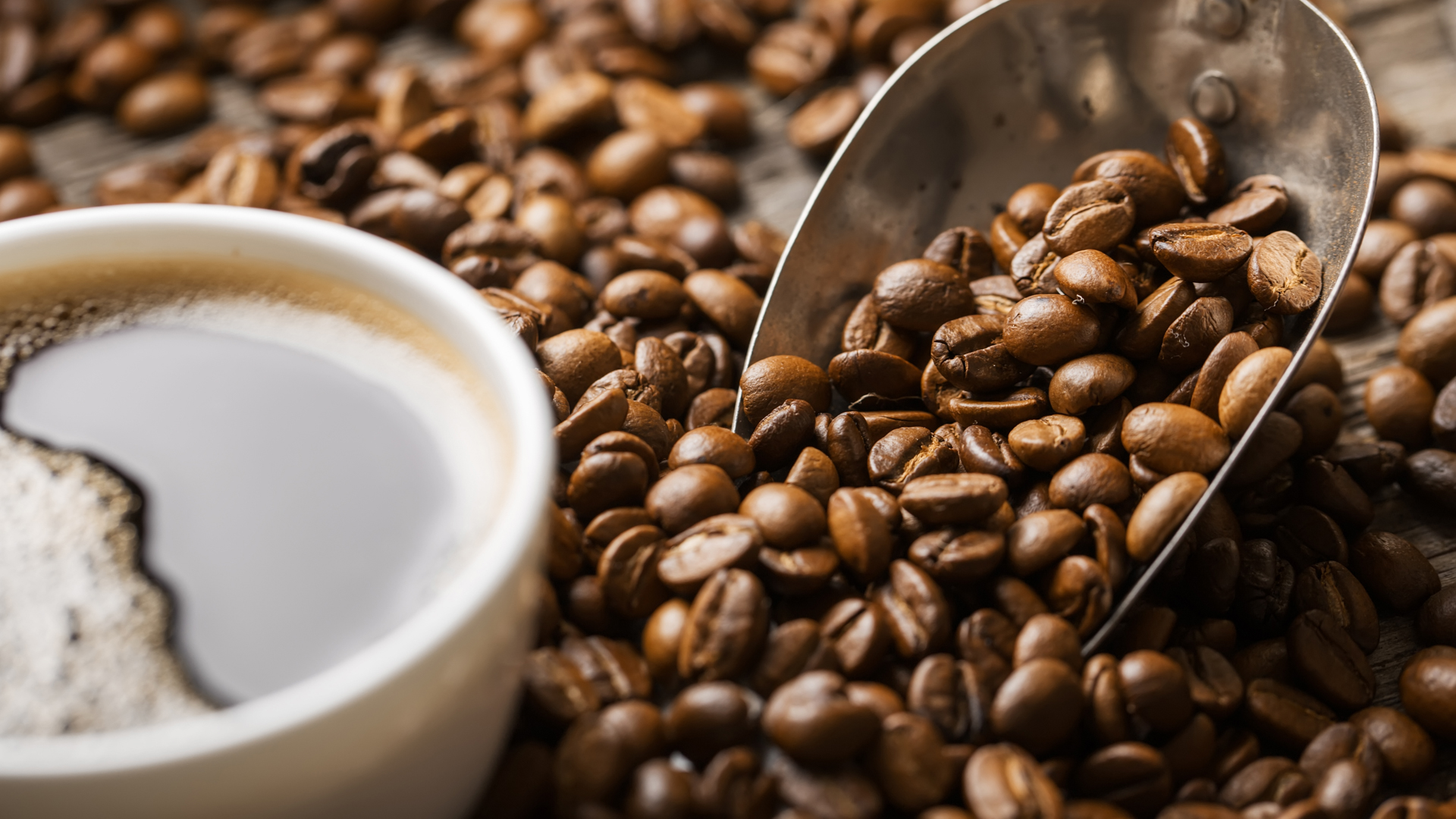 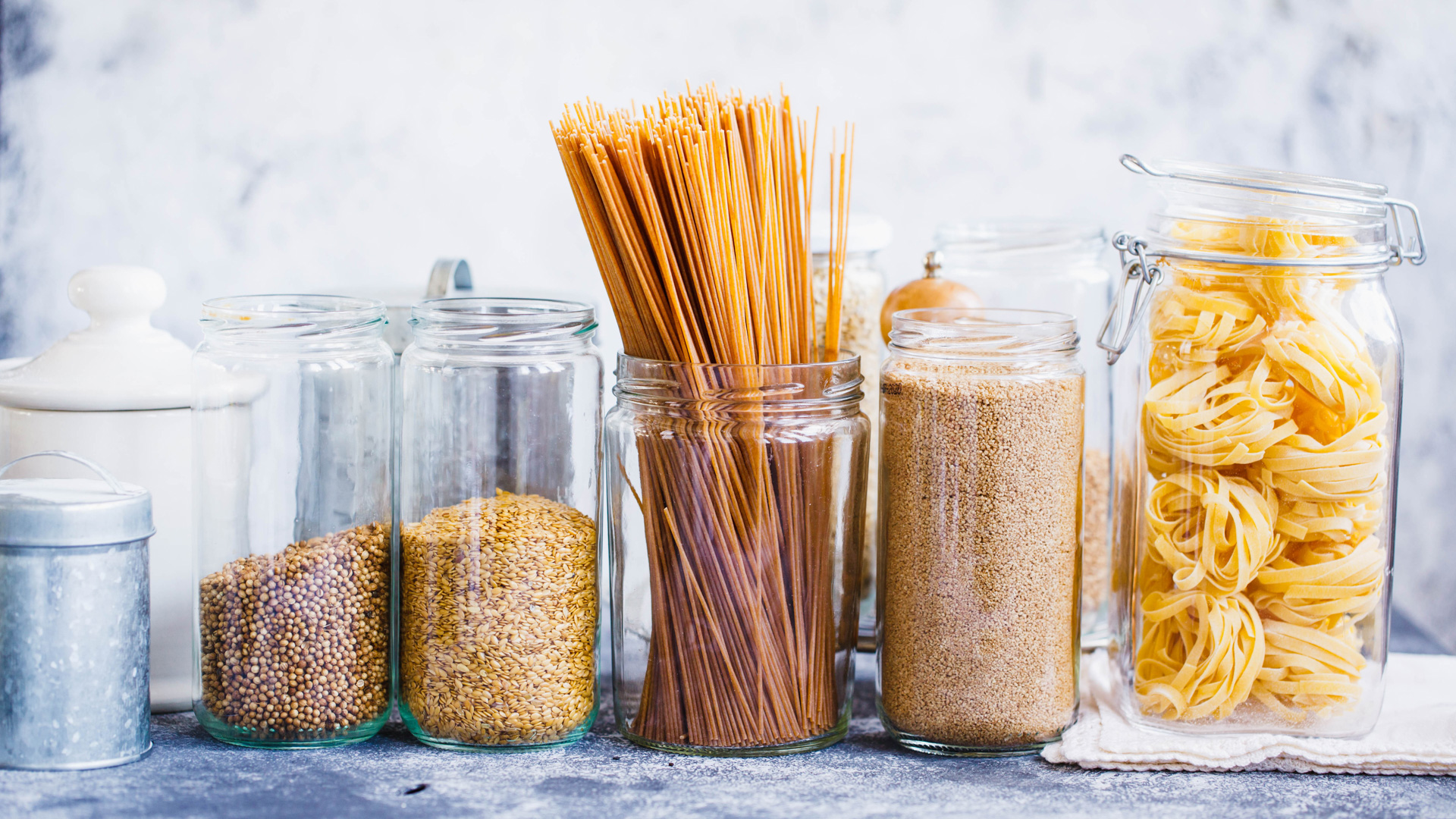 Pasta is another great buy at ALDI, Fearon said. “My average savings are about $3 to $5 in this category,” she said. A package of pasta at Aldi is just 79 cents. A box of Kroger brand pasta costs $1. Even pasta sauce is one of the best ALDI deals. You can get a 24-ounce jar of traditional sauce for just 99 cents at ALDI versus $2.20 for a 24-ounce jar of Walmart’s Great Value traditional sauce.

The savings are even greater for ALDI’s organic pasta and grains. For example, a 16-ounce package of ALDI SimplyNature organic quinoa is $1.50 less than the same-sized package of Kroger Simple Truth organic quinoa.

Eat Healthy for $1 or Less: These Cheap Foods Are Delicious and Good for You 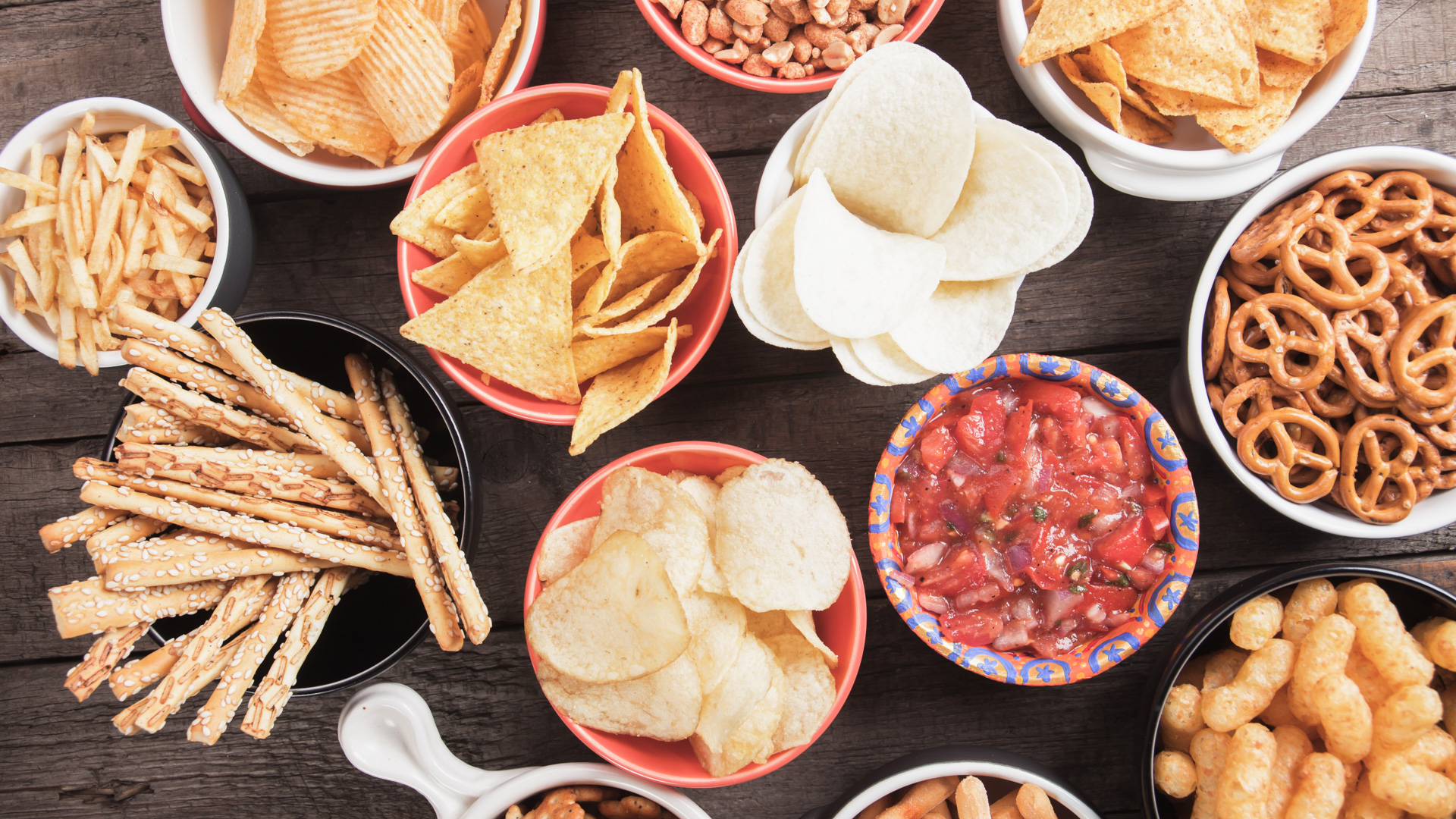 Snack foods are a great deal at ALDI. For example, a 10-ounce bag of Kroger brand tortilla chips is regularly priced at $1.49. However, you can get a 13-ounce bag of tortilla chips at ALDI for just $1.19. A 10-ounce container of ALDI hummus is $1 less than Kroger’s Private Selection hummus on sale — $1.50 less when it’s not on sale.

You’ll also find lower prices on organic snacks at ALDI, which sells a 9-ounce bag of organic tortilla chips for $1.69 and a 16-ounce jar of organic salsa for $1.99. Both items cost at least 50 cents more each at Kroger. 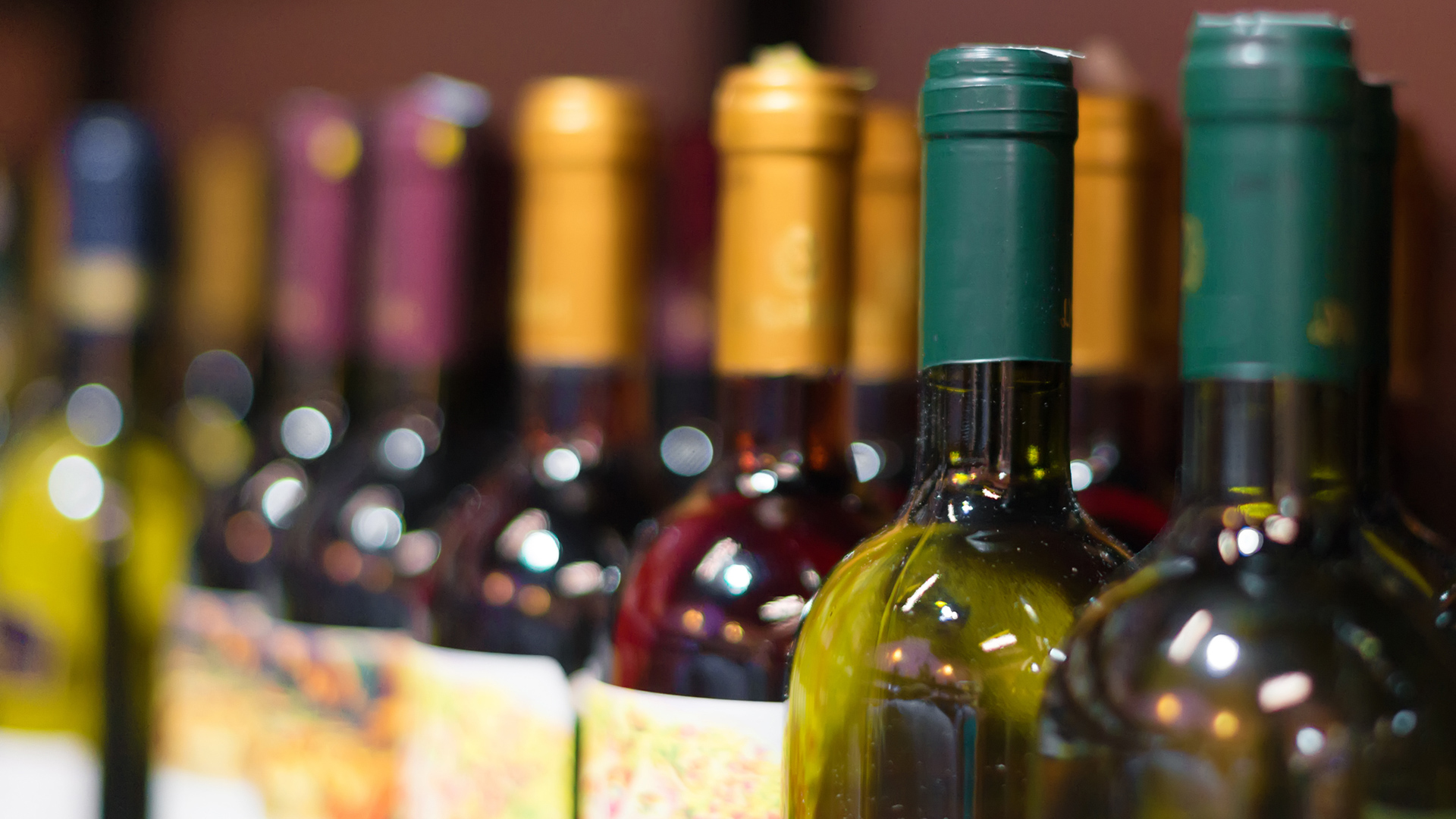 Fearon said wine is one of the best ALDI deals. She said she can save at least $10 buying a few bottles at ALDI for a dinner party. Plus, several of its wines have garnered good reviews. In fact, ALDI’s $8 Exquisite Collection Cotes de Provence Rose was a winner in the International Wine Challenge. 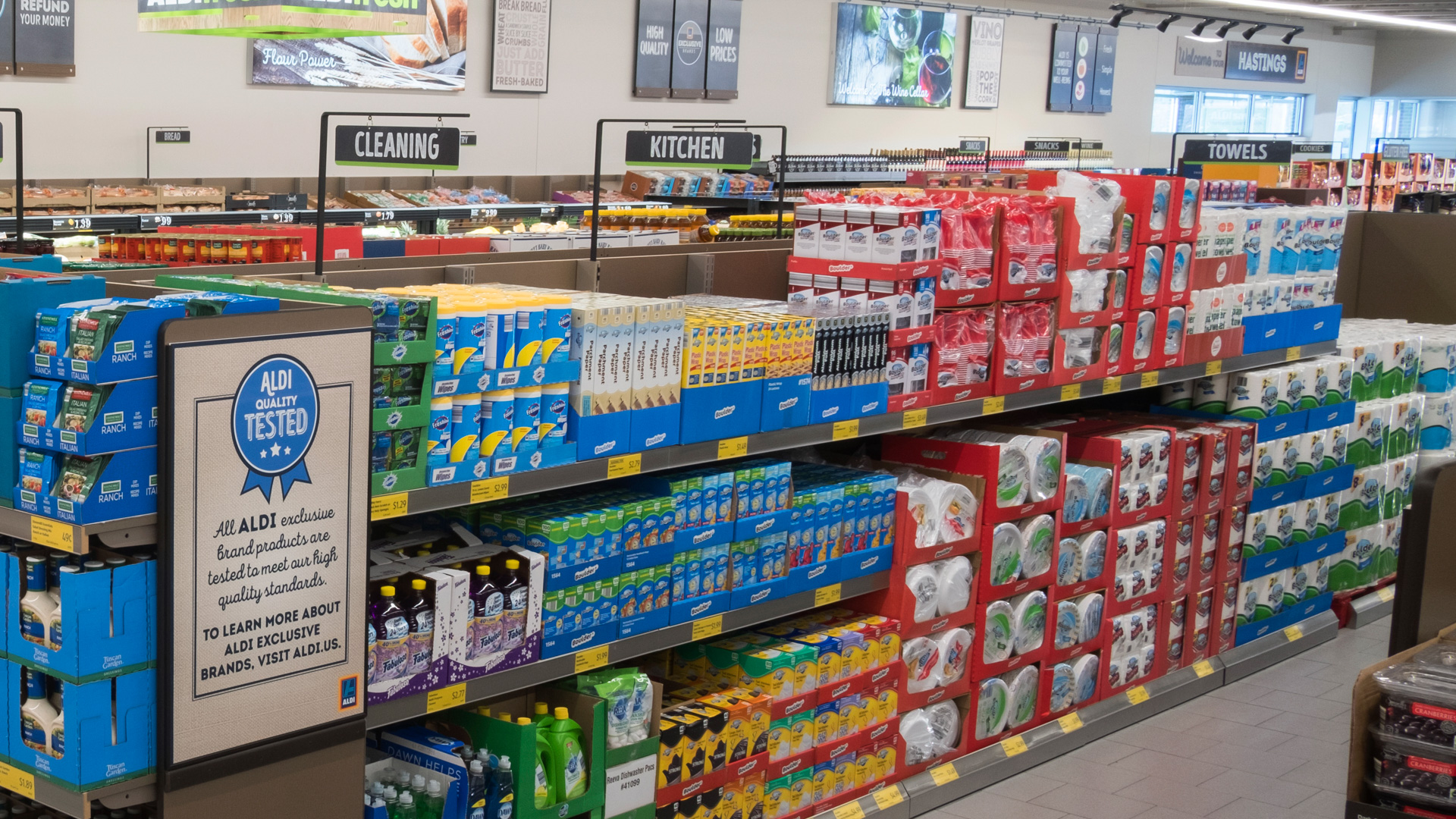 Worst Things to Buy at ALDI

It’s honestly tough to beat most of Aldi’s prices. However, there are a handful of items you can get for less at other supermarkets and retailers. Plus, some of ALDI’s low-priced products should be avoided because the quality is subpar. 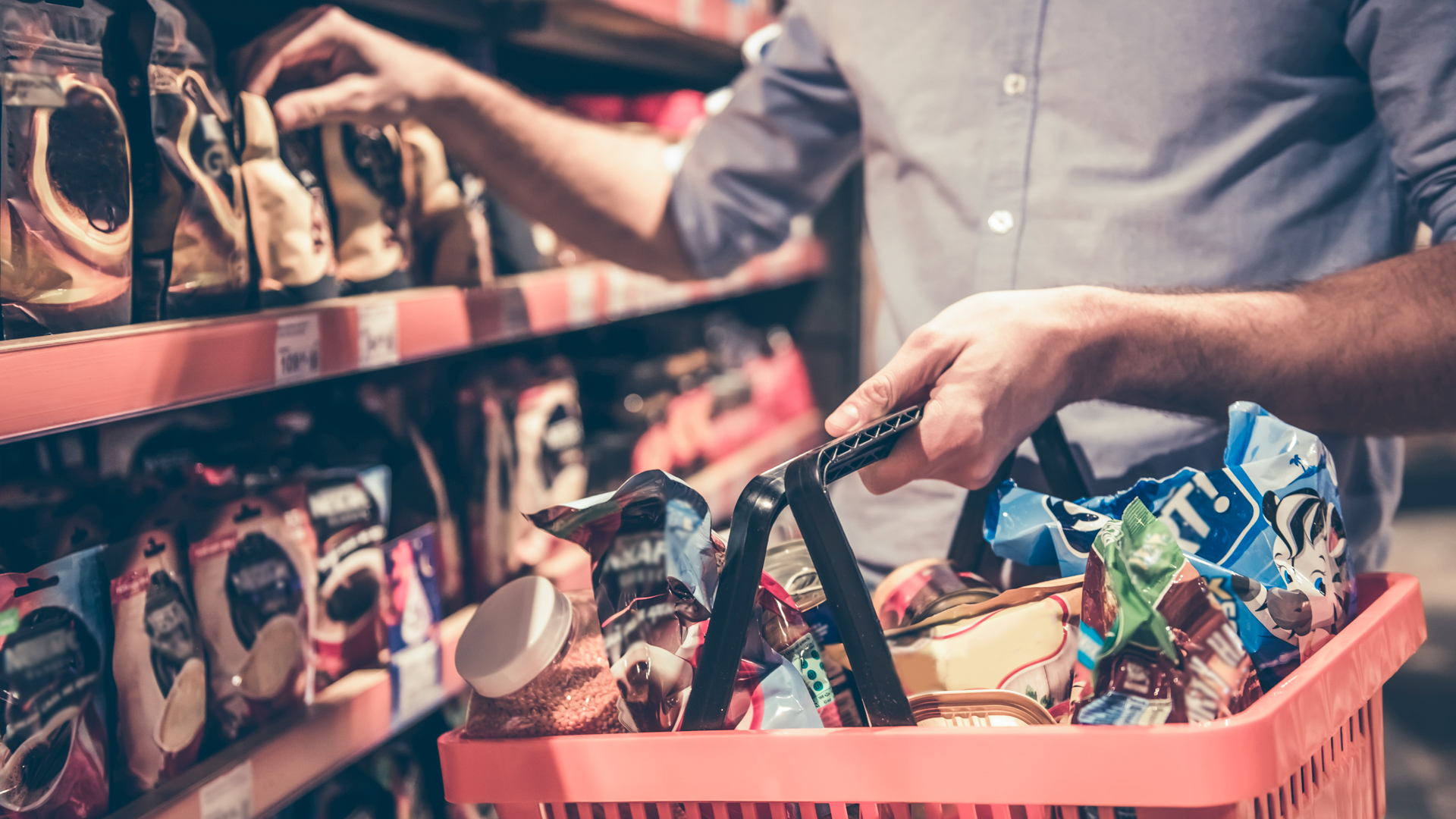 If you shop at ALDI, you’re better off buying its private-label brands. “Often times, ALDI has name-brand foods like Pringles, Cheerios and Kraft Mac & Cheese mixed within their store-brand items,” Greutman said. “These foods are usually much higher in price than they would be on sale in your local grocery store.” 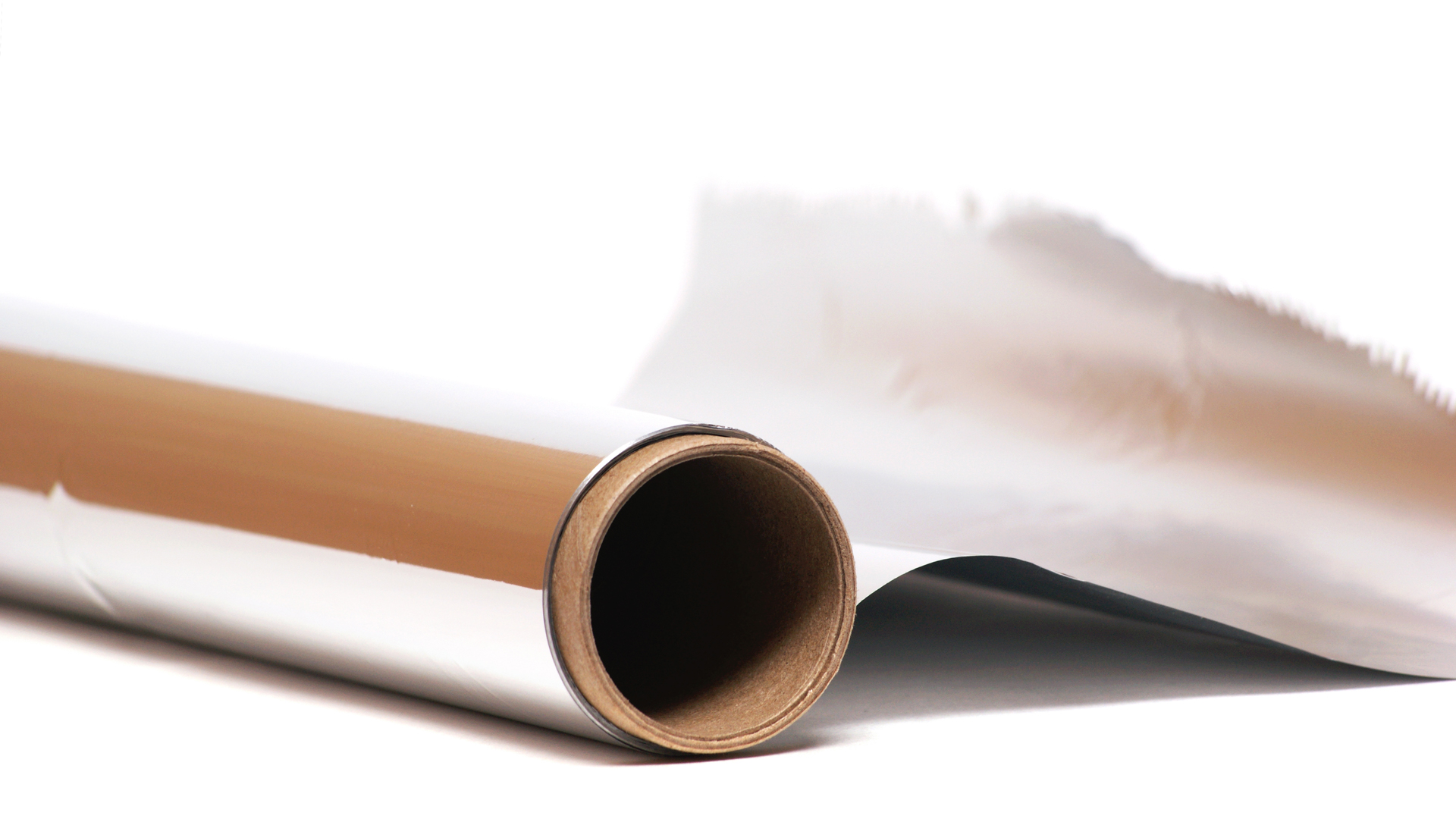 Don’t be tempted by the low price on aluminum foil at ALDI, Fearon cautions. ALDI stores carry only one aluminum foil weight, and it’s not heavy duty, she said. “Even though the price is fair, the quality of the foil is low — which means you’ll end up using more foil and thus spending more money replacing the foil more often than if you paid extra for a little heavier duty style of foil,” she said. 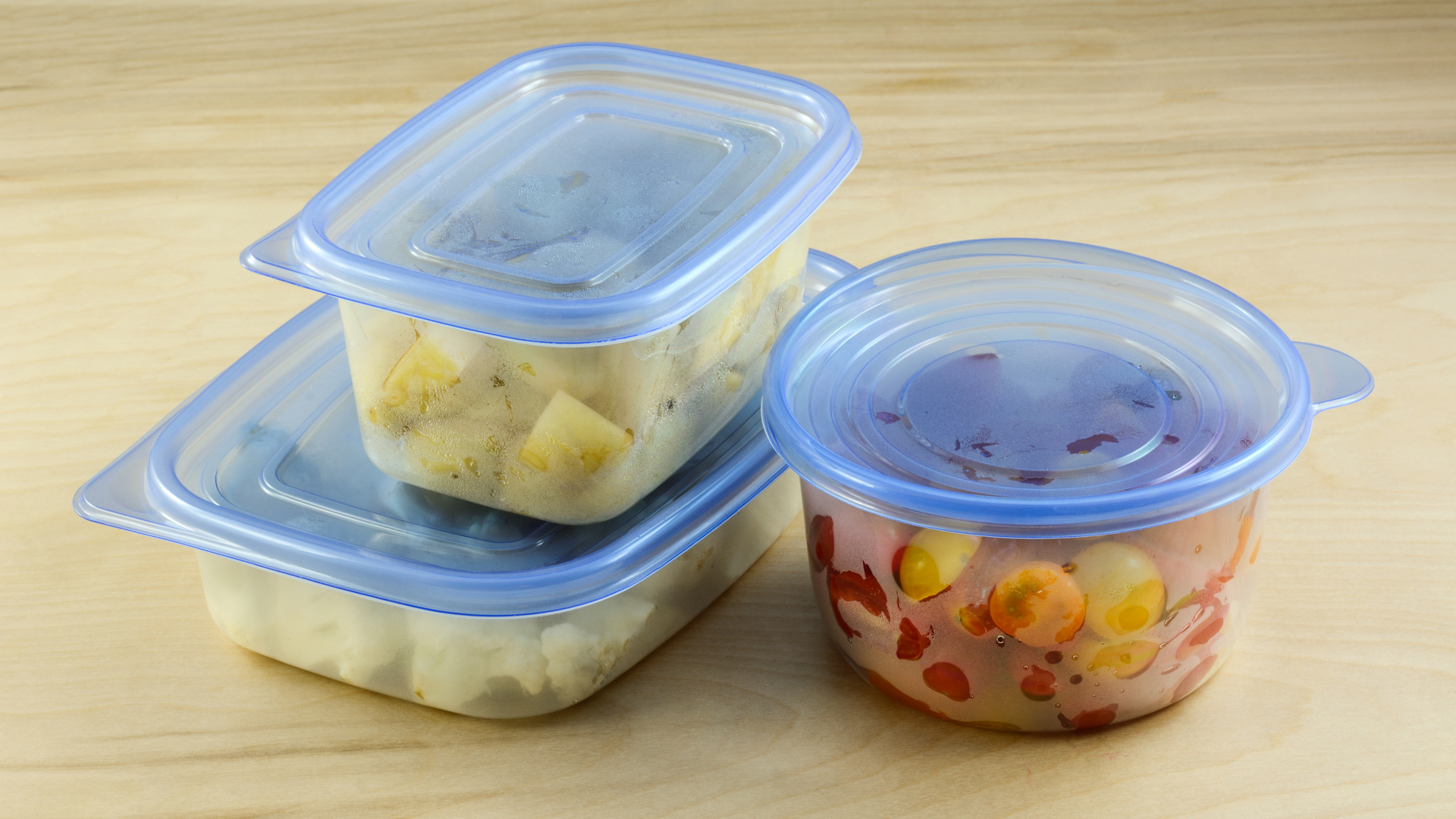 Food storage containers aren’t a good buy at ALDI, Fearon said. The price usually is low, but so is the quality. If quality isn’t a concern, you can get packs of containers at the dollar store for $1 versus $3.99 for an eight-piece container set at ALDI. 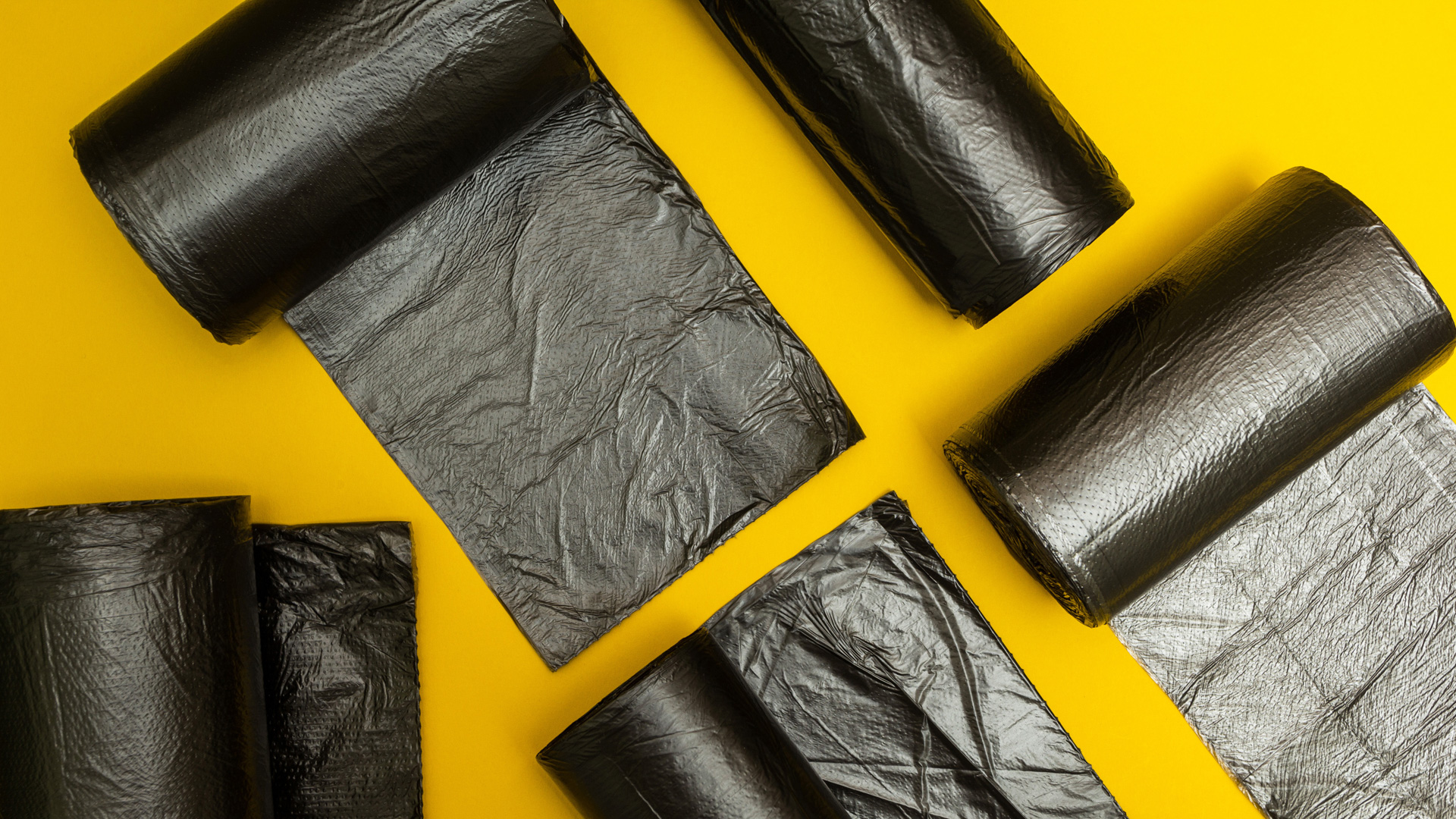 When you buy garbage bags at ALDI, you get what you pay for, Greutman said. “Their garbage bags are less than desirable,” she said. “If you really like a good-quality bag, ALDI is not your place.”

If price is your only concern, though, you can get a better deal on cheap garbage bags at the dollar store. Dollar Tree sells boxes with 35 bags for $1. At ALDI, you’ll pay $4.99 for a box of 40 bags. 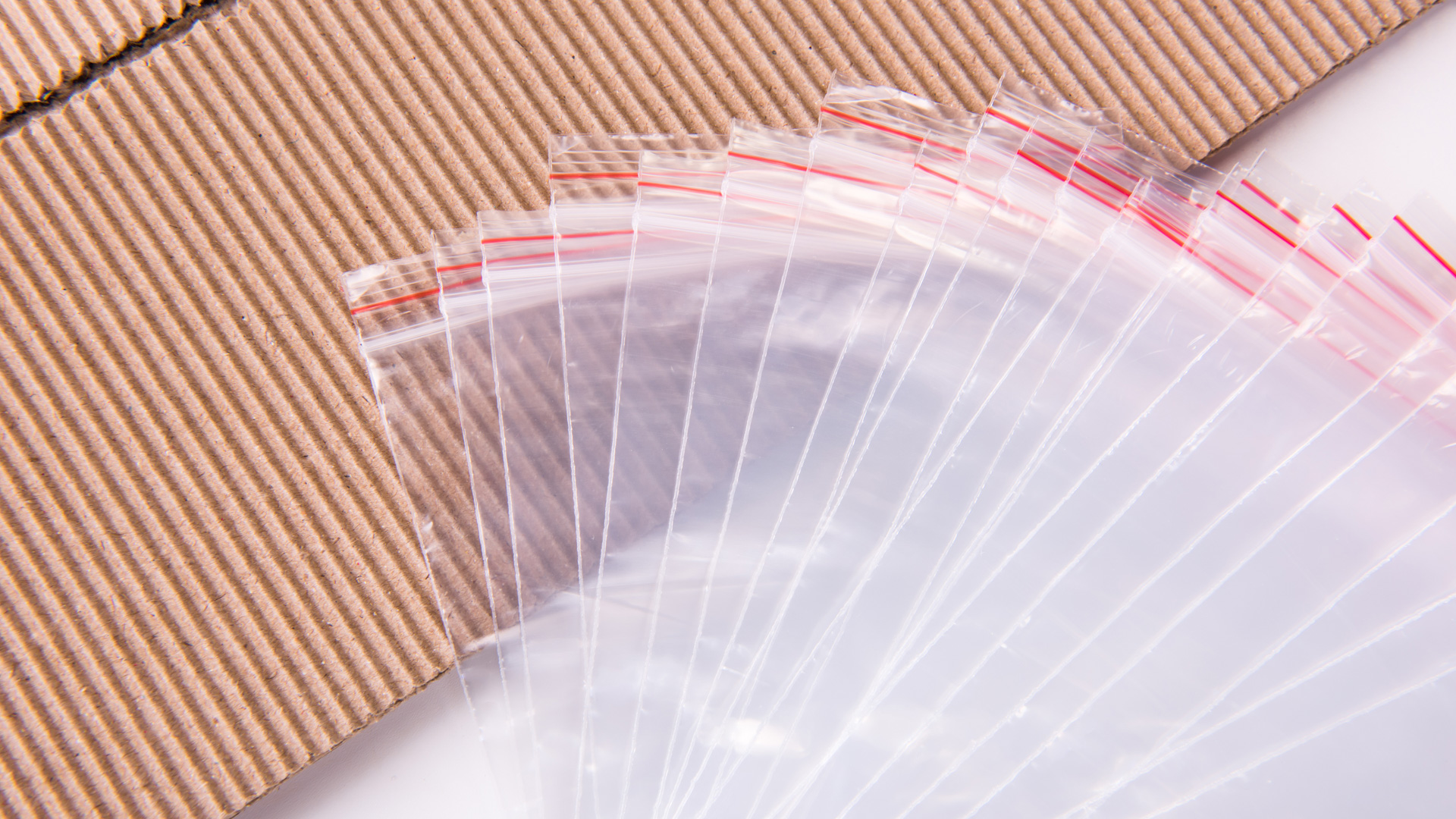 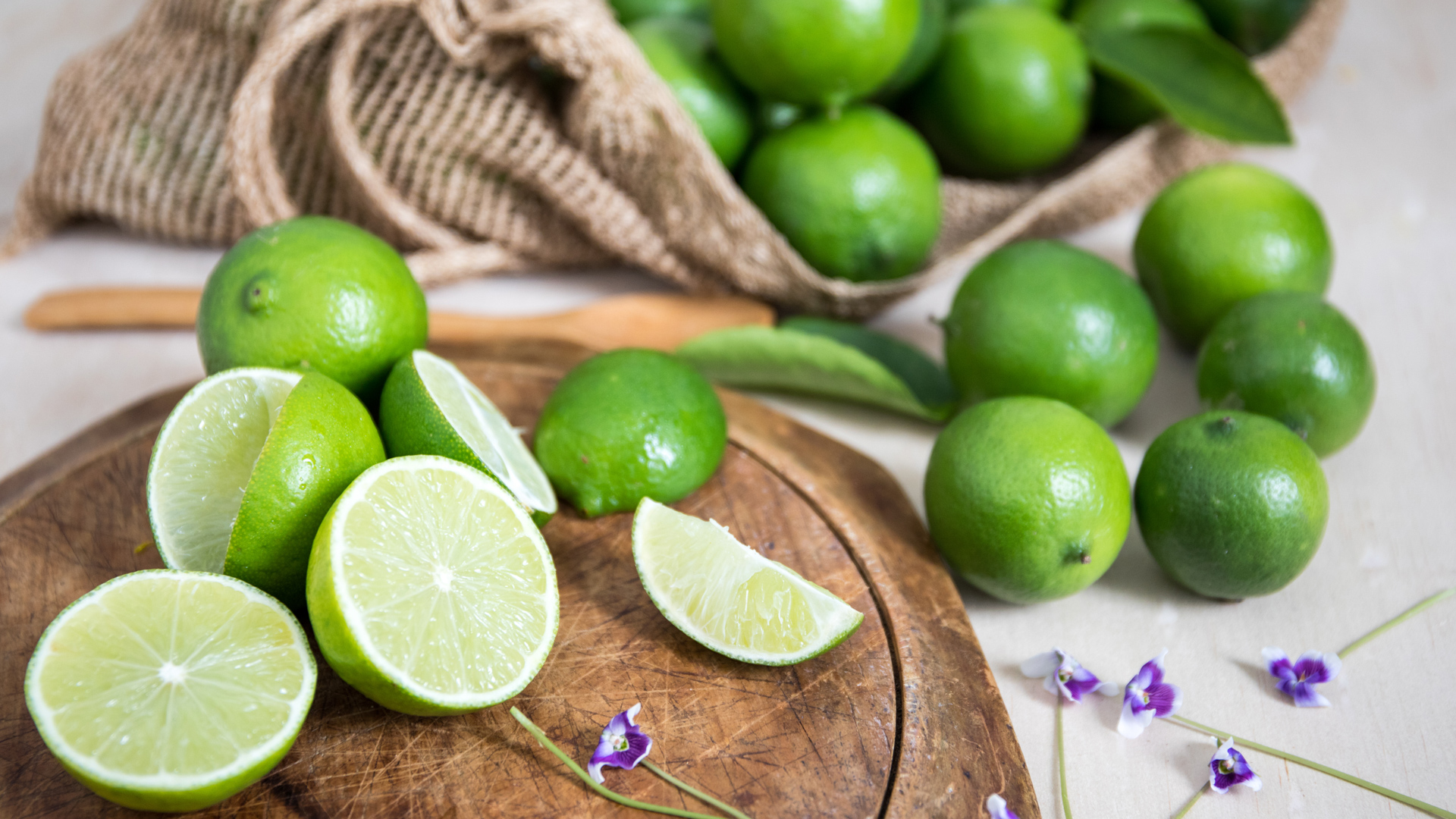 Although ALDI’s organic produce is a great buy, its conventional produce isn’t as good of a deal — especially pre-packaged fruits and vegetables. Greutman said packaged lemons and limes are a particularly bad deal.

“If you are looking for a lime for a dinner recipe, you should buy elsewhere,” she said. “You will save more money buying a single one at your grocery store.” ALDI sells 1-pound bags of limes for $1.39 and 2-pound bags of lemons for $3.49. At Walmart, you can get a lime for 33 cents and a lemon for 50 cents.

No Coupons Needed: Ways to Save Big on Groceries Without Clipping a Single Coupon 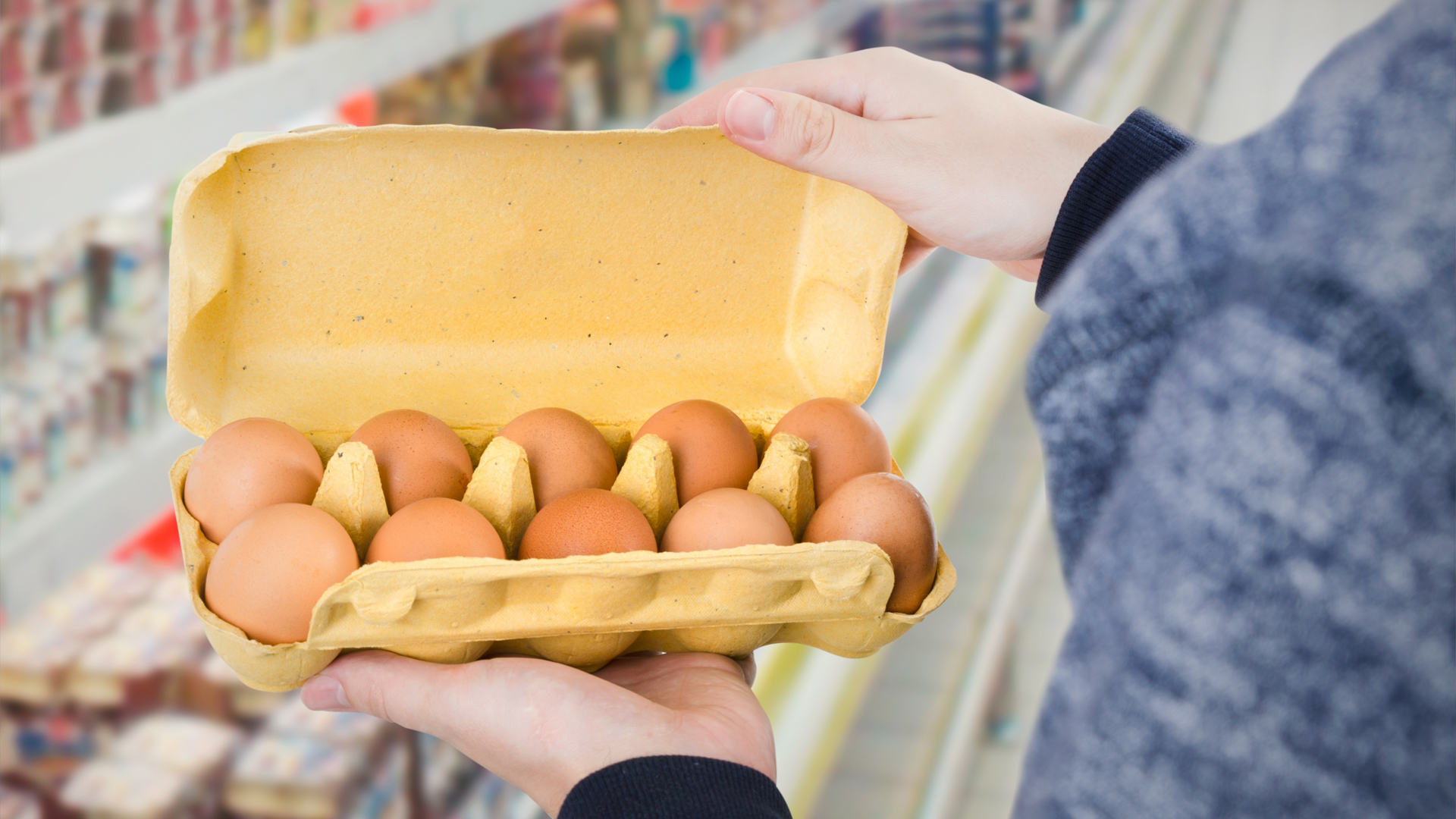 At 99 cents per dozen, eggs are a good deal at ALDI. However, you can often find them for even less at Walmart. You can get a carton with 18 eggs at this low-priced retailer for just 70 cents. That’s a savings of 4 cents per egg, which can add up if you frequently eat them or use them for baking. In fact, eggs are a surprising way to spice up almost any meal. 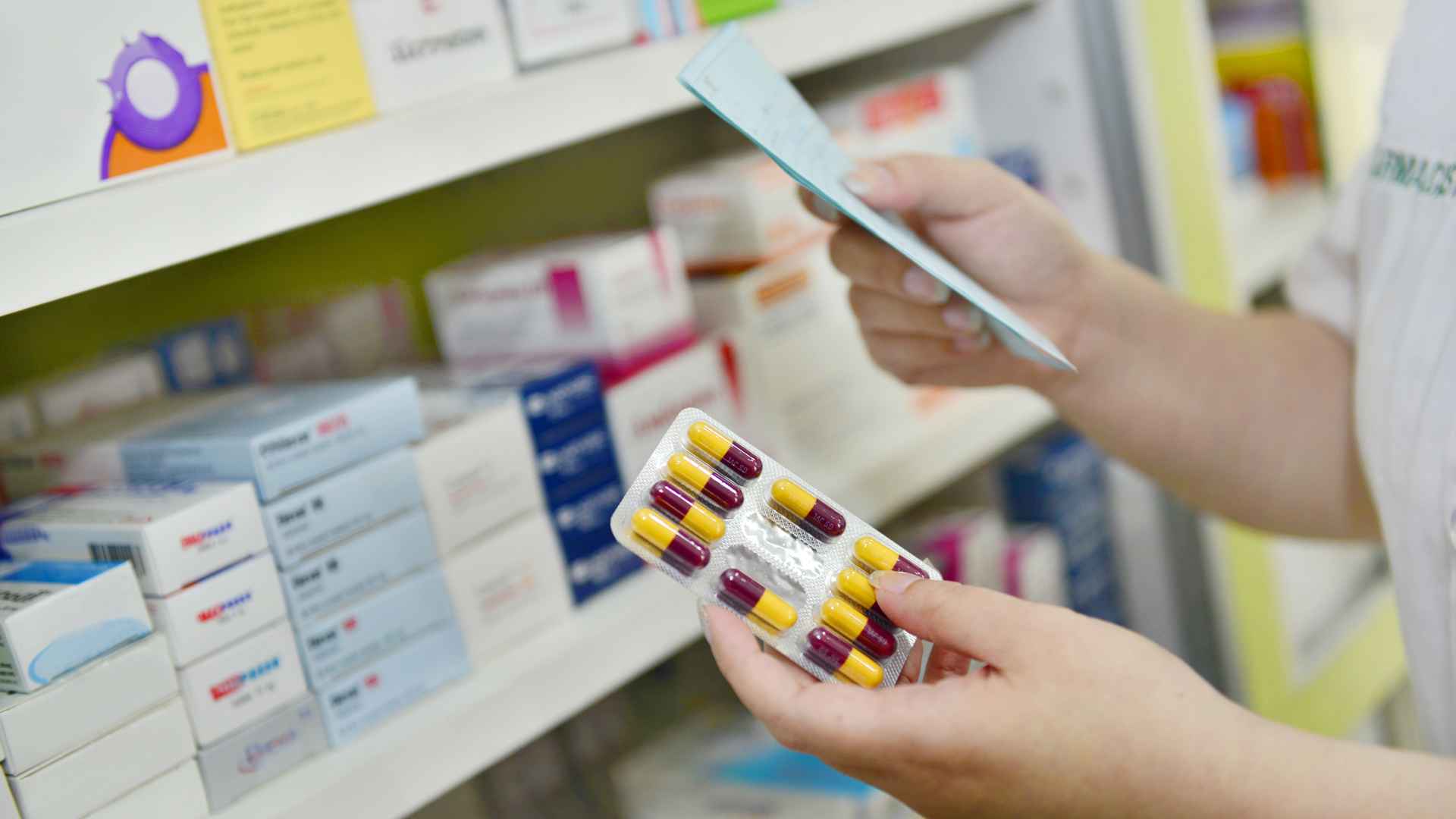 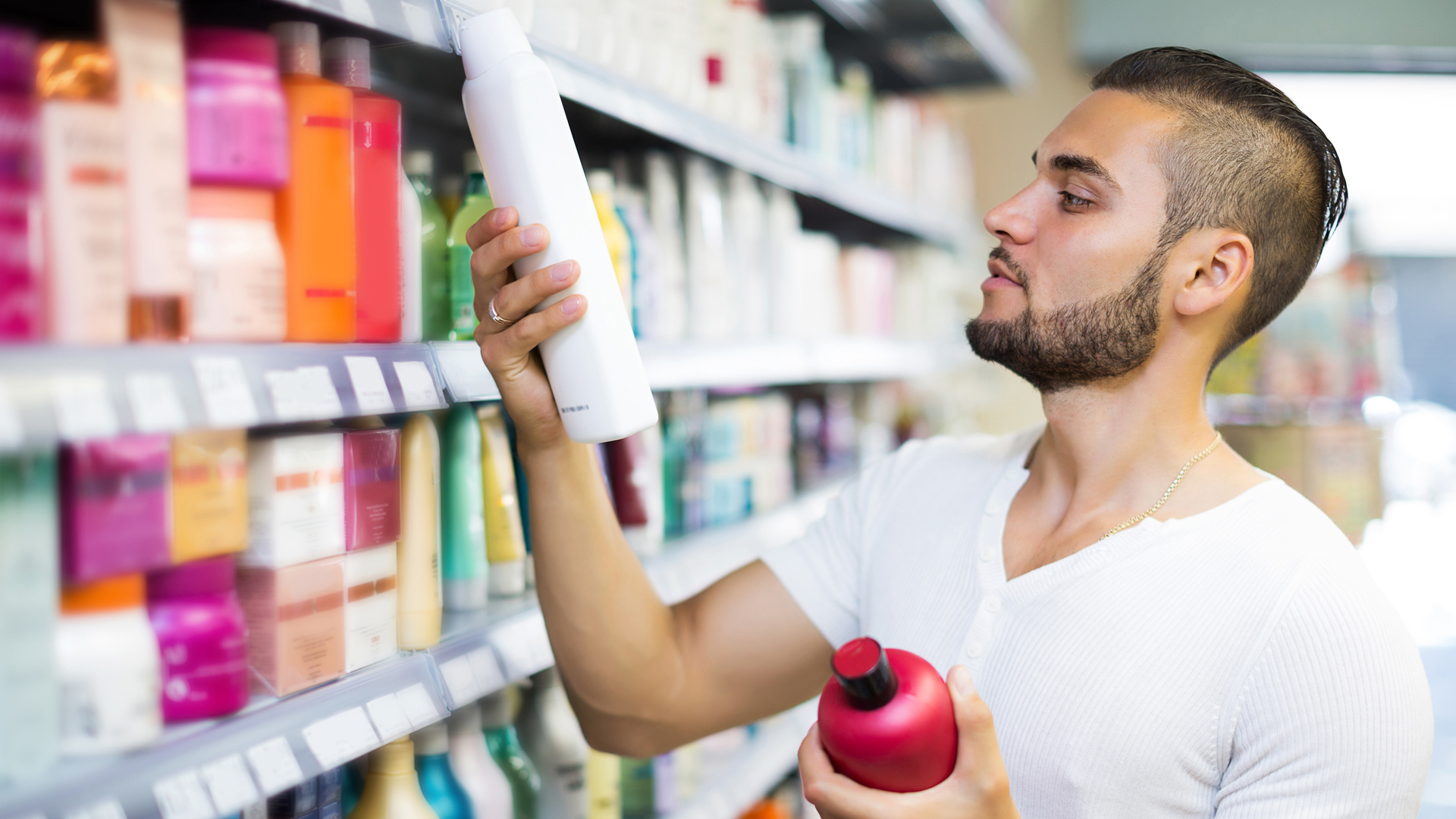 “Shampoo and conditioner can be about $1 to $2.50 more than what you find in a regular grocery store,” Fearon said. The stores only carry smaller sizes so it usually isn’t the best buy for your money. Also, they only carry a few brands so there’s little to choose from. If you like a specific type of shampoo you’ll be out of luck at ALDI. 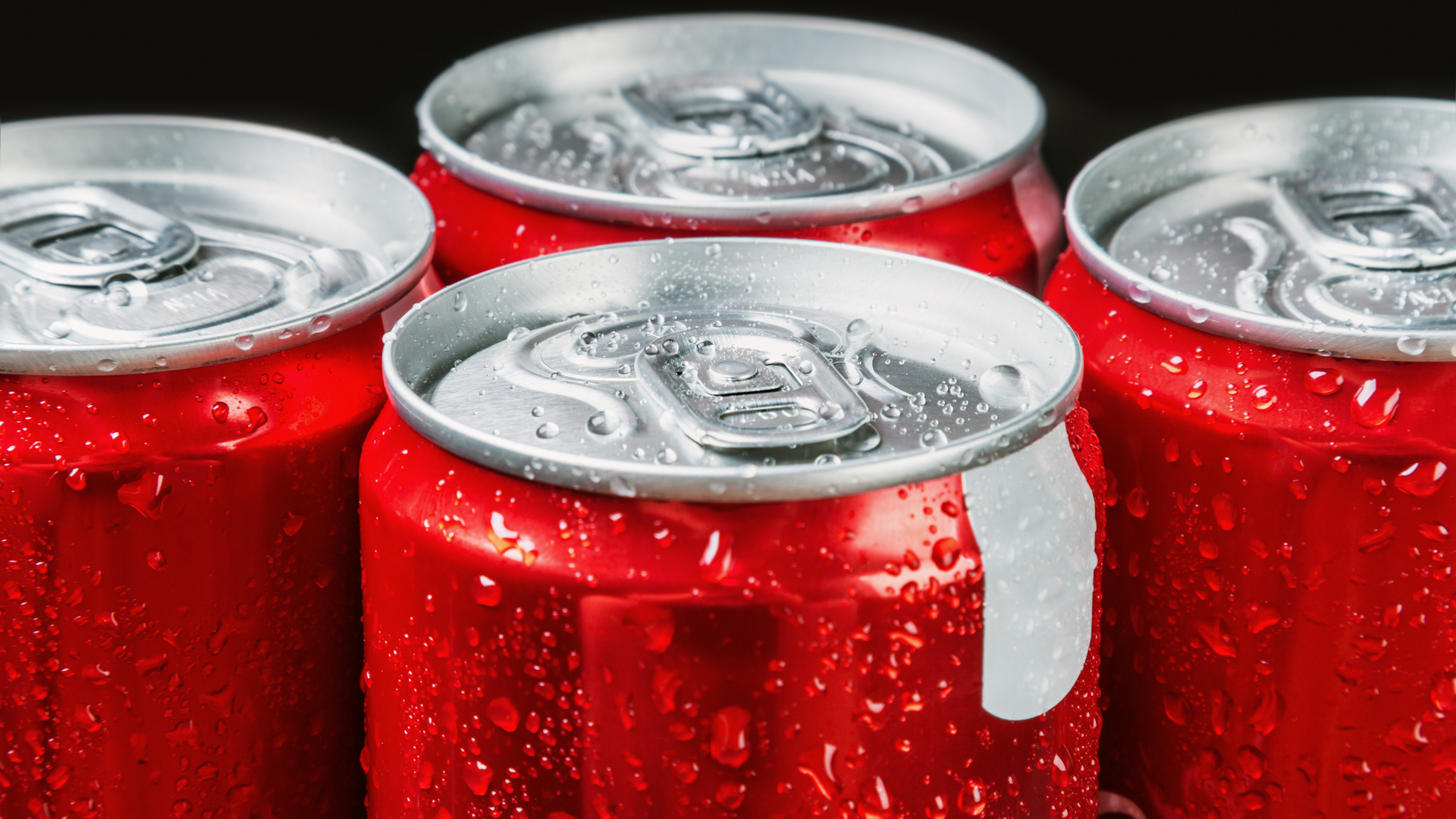 Brand-name soda is not a bargain at ALDI. A 12-pack of Coca-Cola costs $4.68. You can get a 12-pack at Walmart for $3.33. And you’ll spend nearly $2 less than the ALDI price buying it on sale at Kroger. Walmart and Target are the best shopping destination for name-brand products. 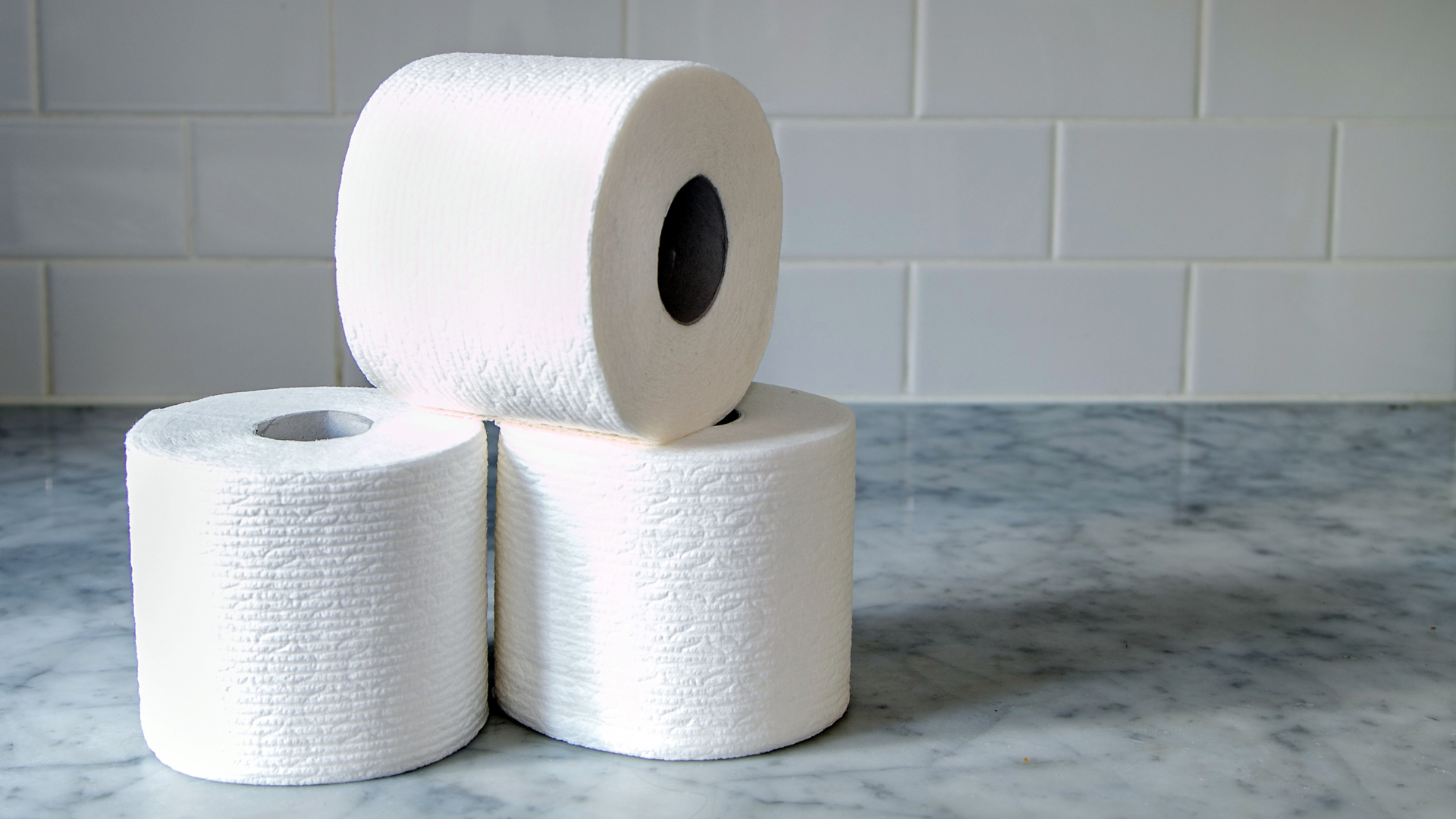 ALDI doesn’t have the best price on toilet paper. You’ll pay nearly 40 percent more per sheet of toilet paper for an 18 pack of ALDI’s Willow bath tissue than for a 24-pack of Target’s up&up soft bath tissue. 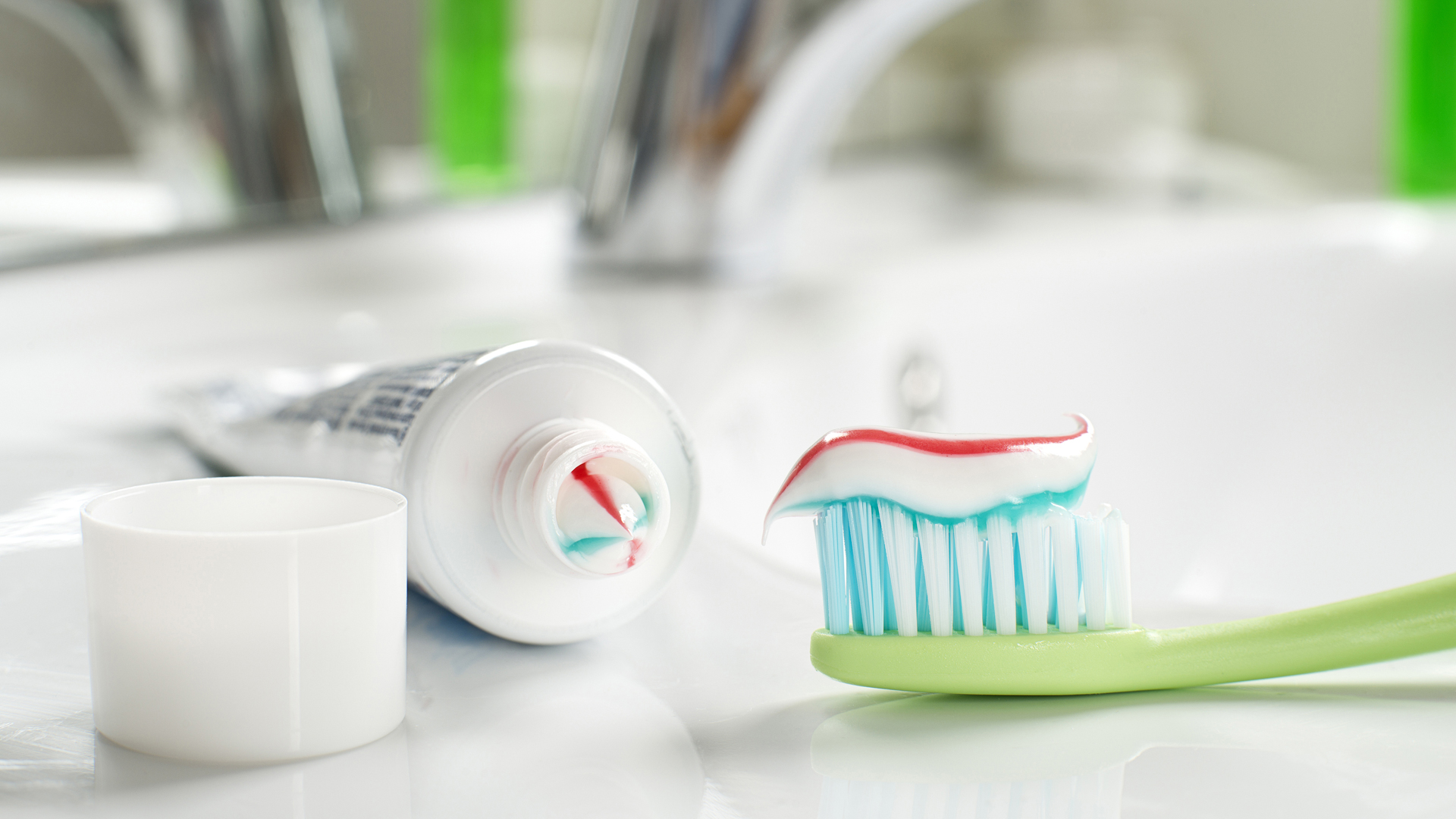 Up Next: 35 Ways to Save Hundreds on Groceries