Here’s How All Your Favorite Companies Are Connected 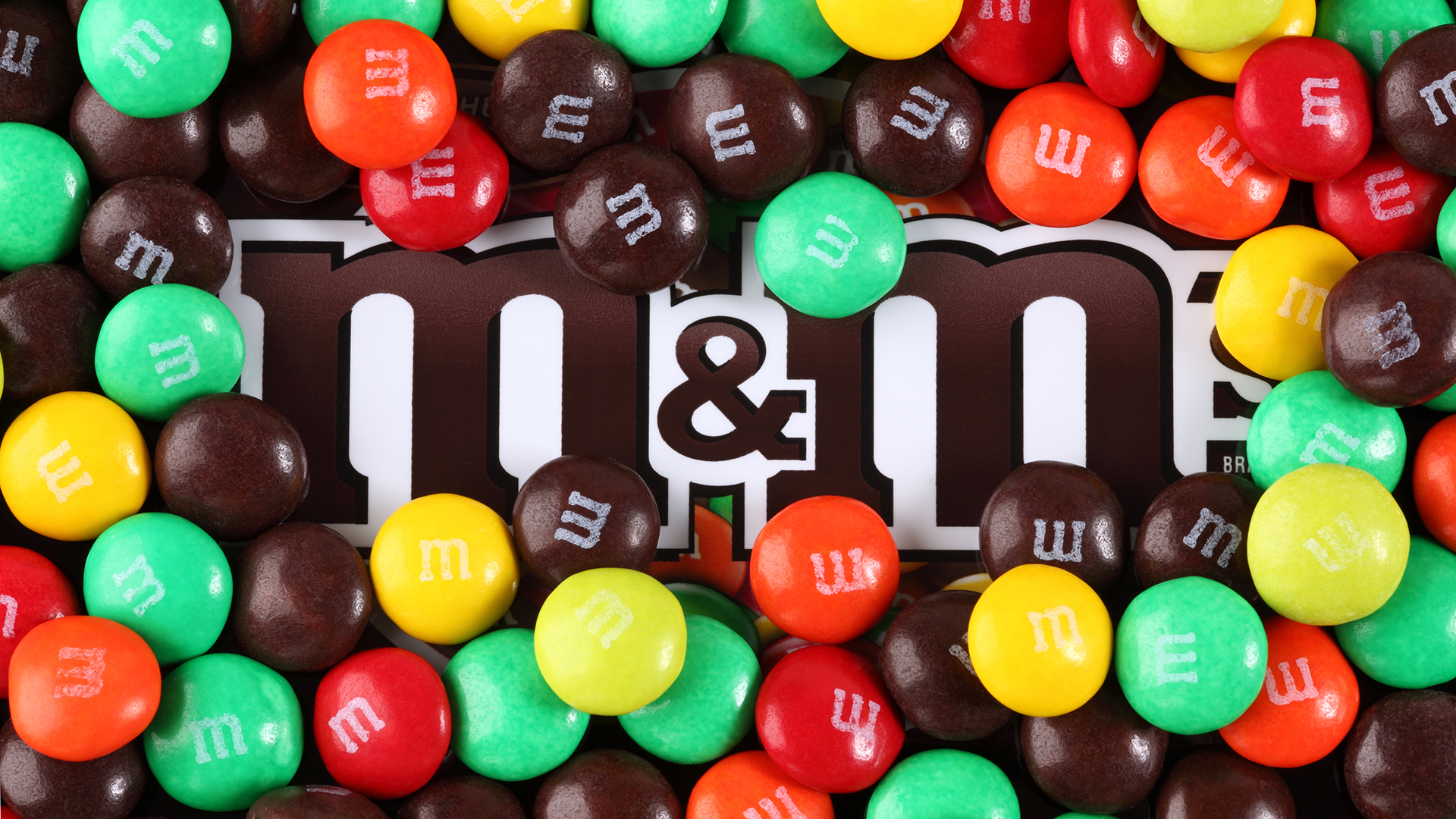 Walk into any standard grocery or corner store in the U.S. and you’re greeted by a massive display of popular brands, stuffing every aisle with endless choices. Or so it might seem.

In reality, a small number of the world’s biggest corporations control many, if not most, of the popular brands you encounter every day. And the mix of products these corporations own can be surprising. For example, Mars, maker of M&M’s, also operates Banfield Pet Hospitals — where you might take your dog if he ate M&M’s. And many of the top brands in the pizza aisle of a grocery store — like DiGiorno, Jack’s and Tombstone — are owned by Nestlé, which also owns Gerber baby foods, as well as the chocolate goodies normally associated with the brand.

From candy makers to beer brewers, these 16 corporations are responsible for many of your favorite brand-name items.

Nestlé, based in Switzerland, is one of the largest food companies in the world. Established in 1866 as the Anglo-Swiss Condensed Milk Company, it gained its moniker after merging with Henri Nestlé’s infant food formula in 1905. Today, Nestlé boasts 2,000-plus brands, 323,000 employees and 413 factories in 85 countries. The company enjoyed $90.1 billion in sales in 2017.

Here are just a few of the many products the company offers in the U.S.:

The company is now focusing on moving into more healthful products that fulfill its motto, “Good Food, Good Life.” 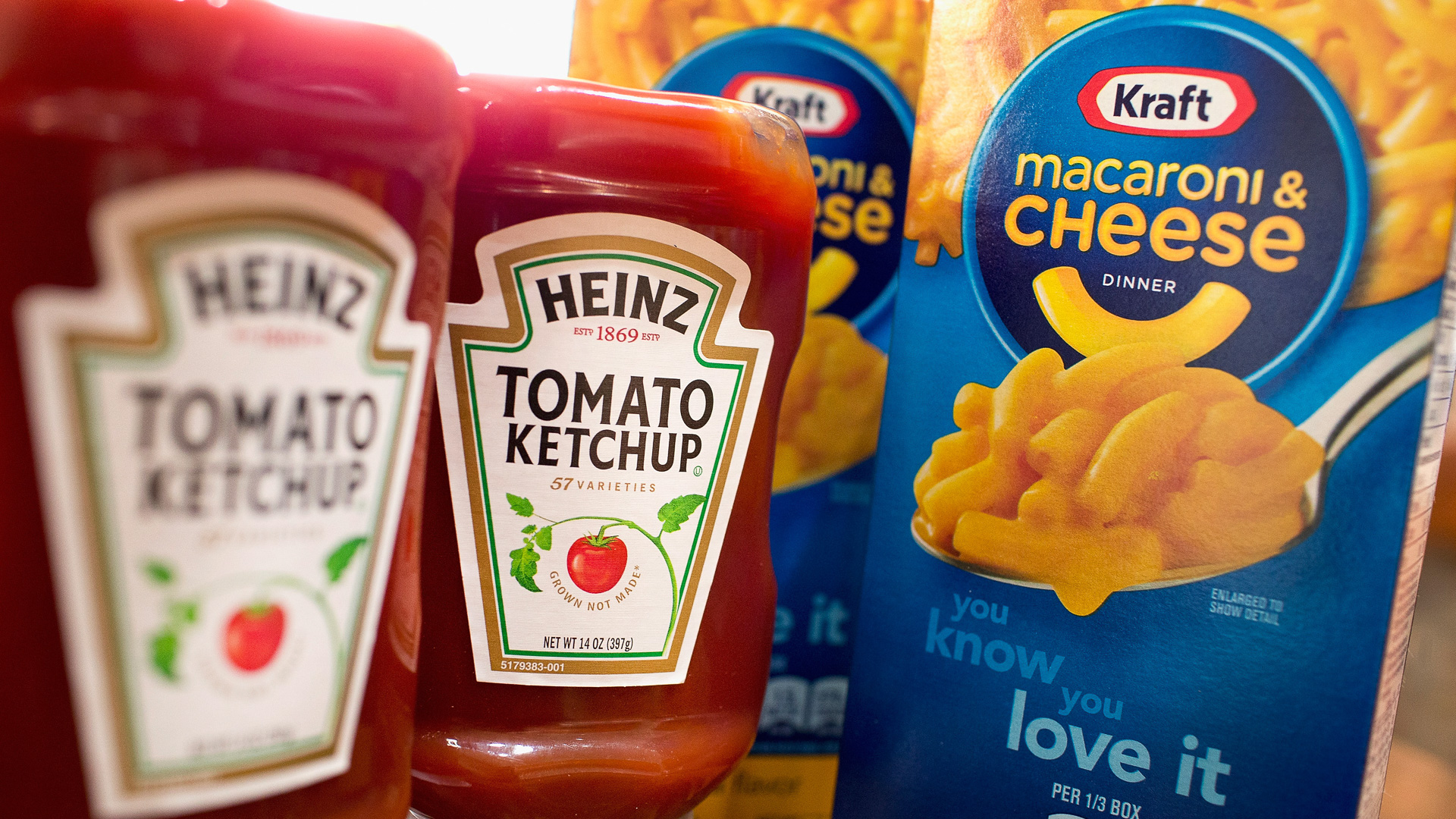 As if the 100-plus-year-old Kraft weren’t large enough, the company merged with the over 140-year-old Heinz back in 2015, adding even more famous brands to its product list. Besides obvious items like Kraft’s many cheese products — both the infamous blue-box macaroni and its alternative Velveeta — and ketchup, the company owns name brands like Oscar Mayer, Ore-Ida, Kool-Aid, Planters, Jell-O, Cool Whip, Lunchables and Maxwell House coffee. The merged company is headquartered in Pittsburgh. 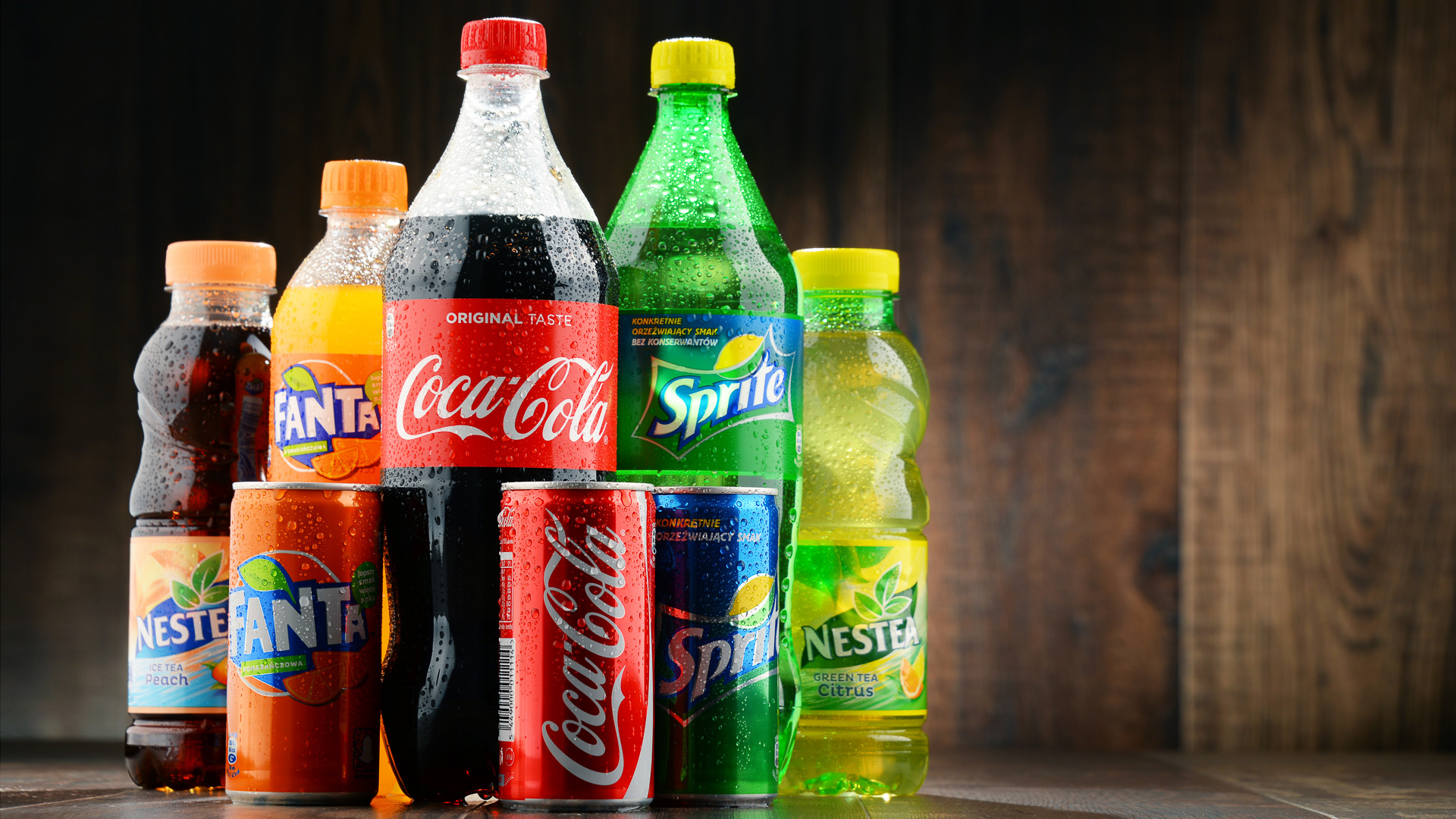 Despite the fact that Atlanta-based Coca-Cola, established in 1886, is the largest beverage maker in the world, its cadre of brands isn’t quite as expansive or varied as others on this list. Besides the company’s flagship Coke products, it owns several other beverage brands, including Dasani, Glaceau vitaminwater, Powerade, Honest Tea, Minute Maid and Odwalla fruit juices. 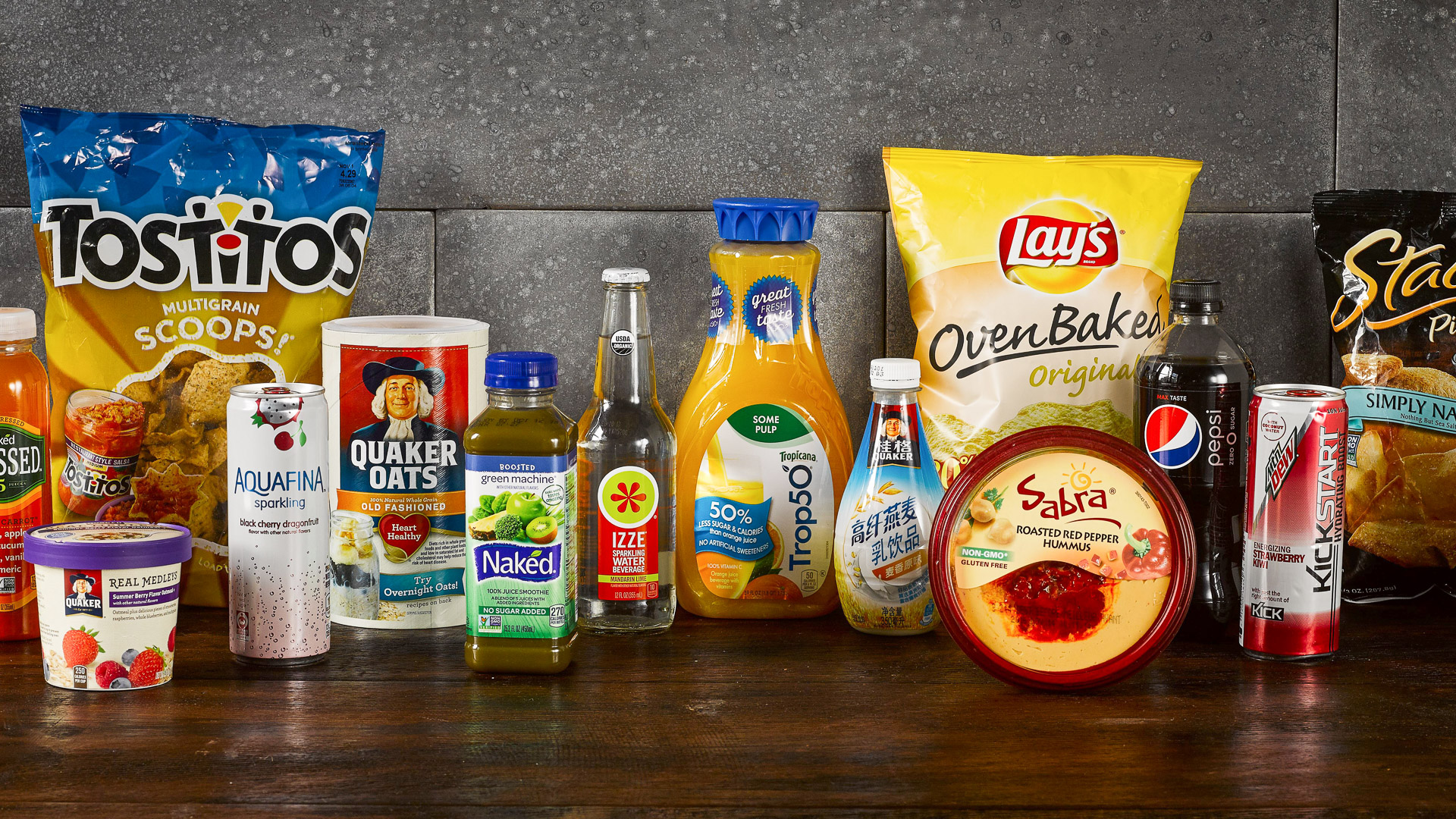 PepsiCo, based in Purchase, N.Y., is similar to Coca-Cola in its domination over the beverage market, but the company’s tentacles extend into the snacks category as well. The company owns several major brands, including Frito-Lay, Gatorade, Tropicana and Quaker. So, that means it owns Quaker oatmeal, Life cereal, Lay’s potato chips and the other o’s chips — Doritos, Cheetos, Fritos and Tostitos. It also owns lesser-known brands like Sunbites, as well as the Naked juice line and the Kevita kombucha drinks line. 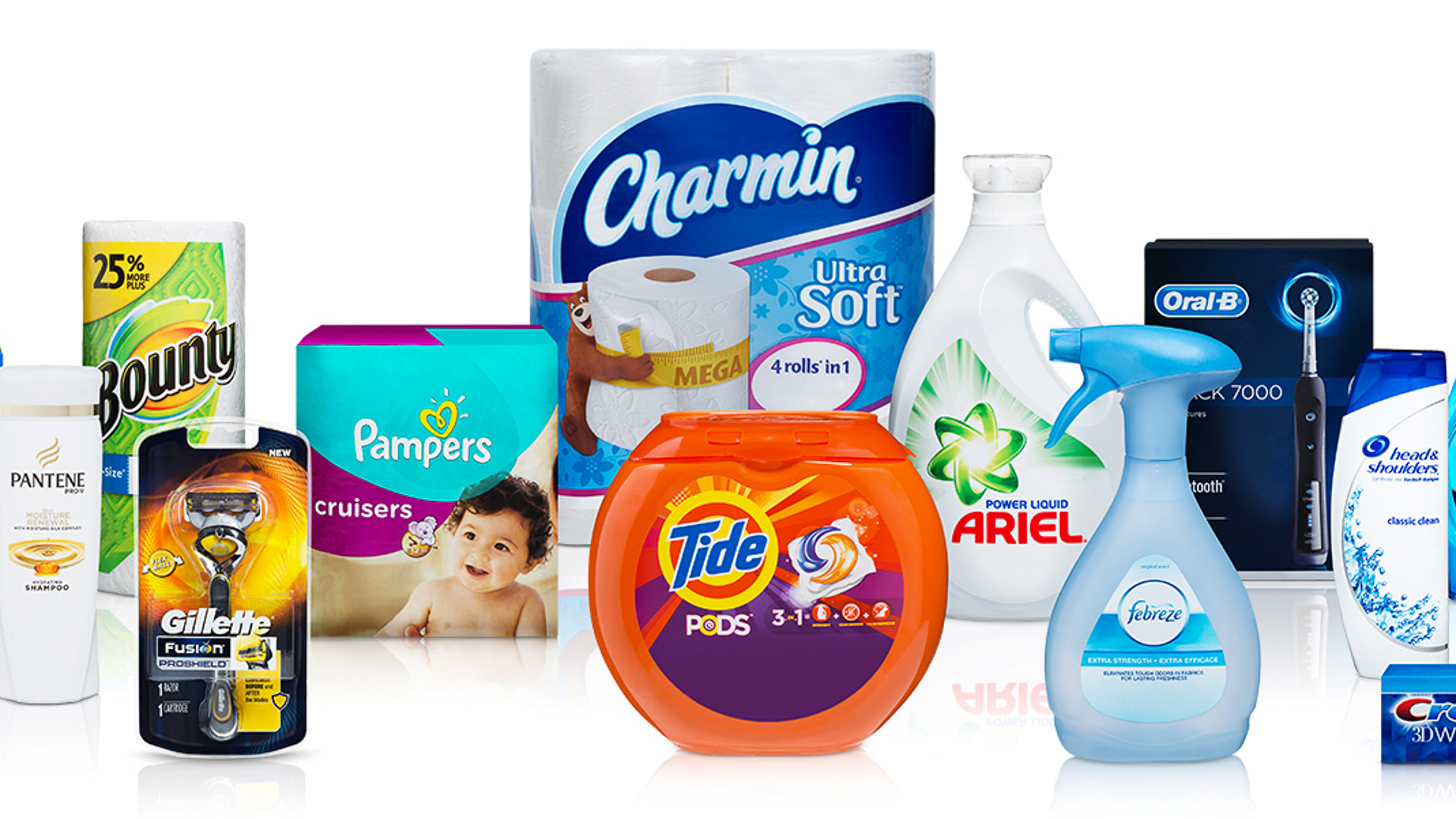 A truly massive organization, Cincinnati-based P&G owns many of the brands probably sitting in your bathroom right now. Founded in 1837 by William Procter and James Gamble, the company even owns multiple brands in the same categories, such as:

Choose Wisely: 12 Times You Should and Shouldn’t Invest in Your Favorite Brands 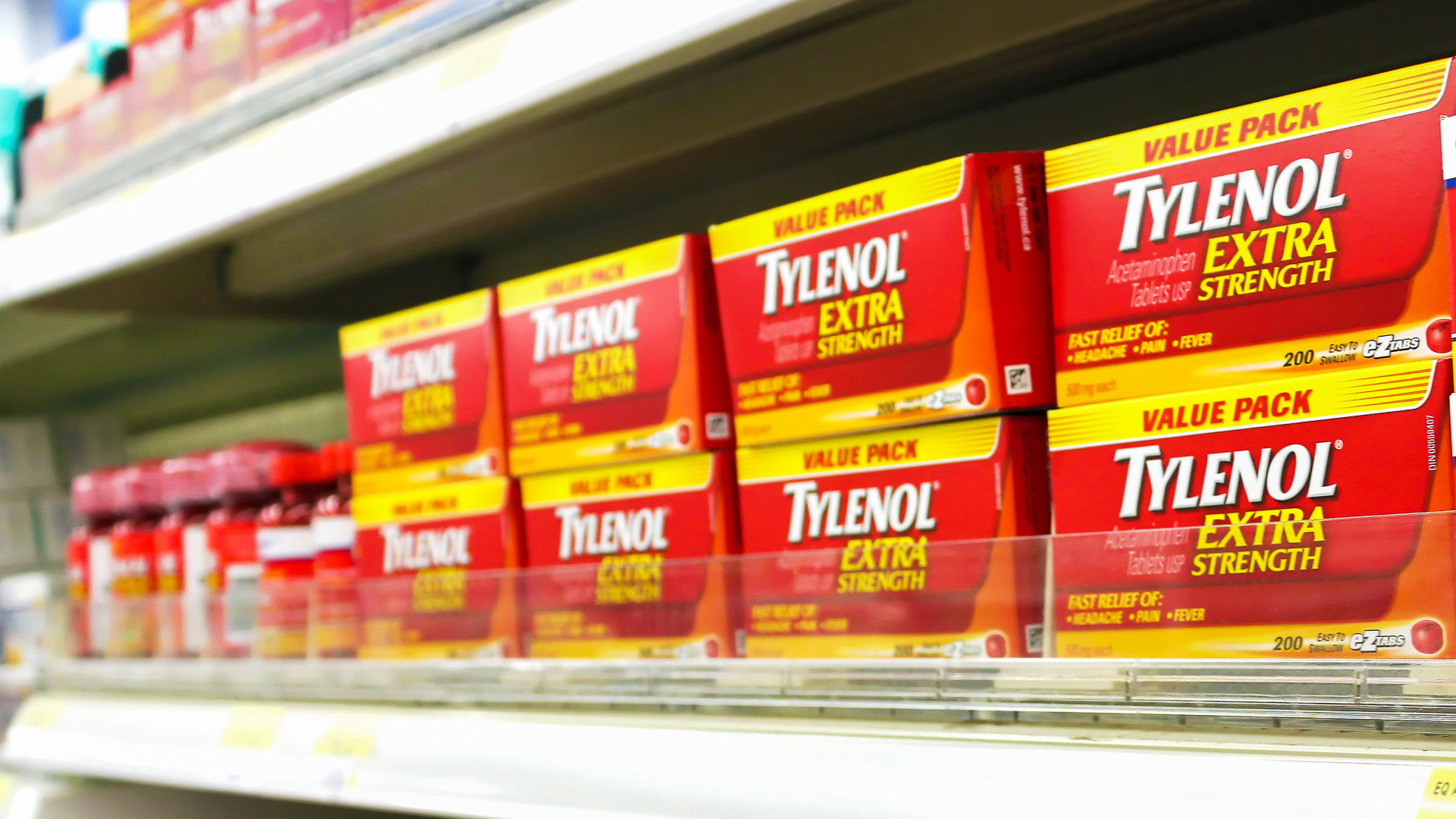 Like Procter & Gamble, Johnson & Johnson has a major stake in your bathroom, but its focus is more on the side of health. For example, Johnson & Johnson owns Tylenol, Sudafed, Benadryl, Motrin, Band-Aid, Neosporin and Visine. It also owns popular toiletries like Listerine, Rogaine, Neutrogena, Lubriderm, Aveeno and Clean & Clear. The 130-year-old company, which is headquartered in New Brunswick, N.J., sold some of the country’s earliest first aid kits. 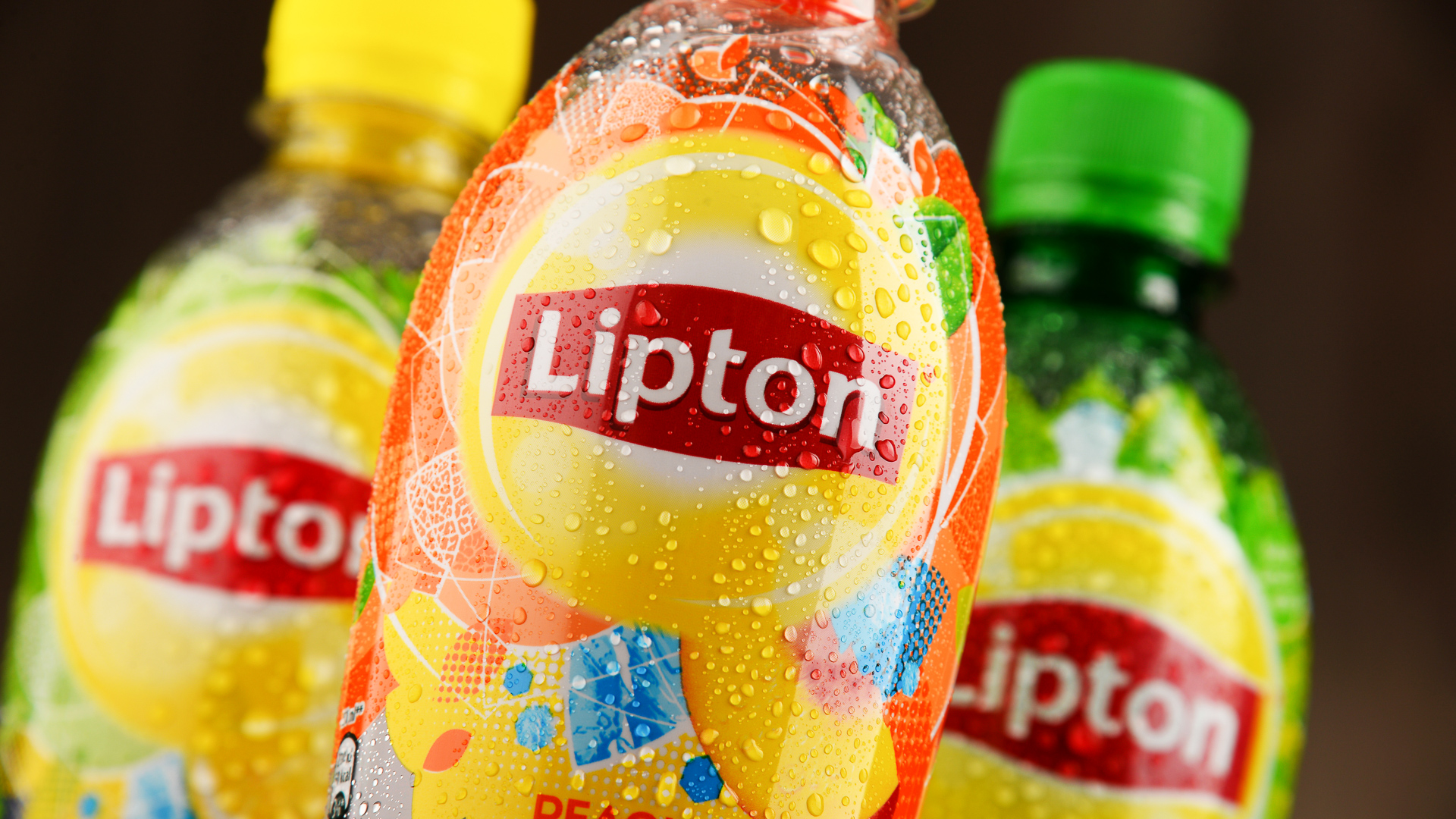 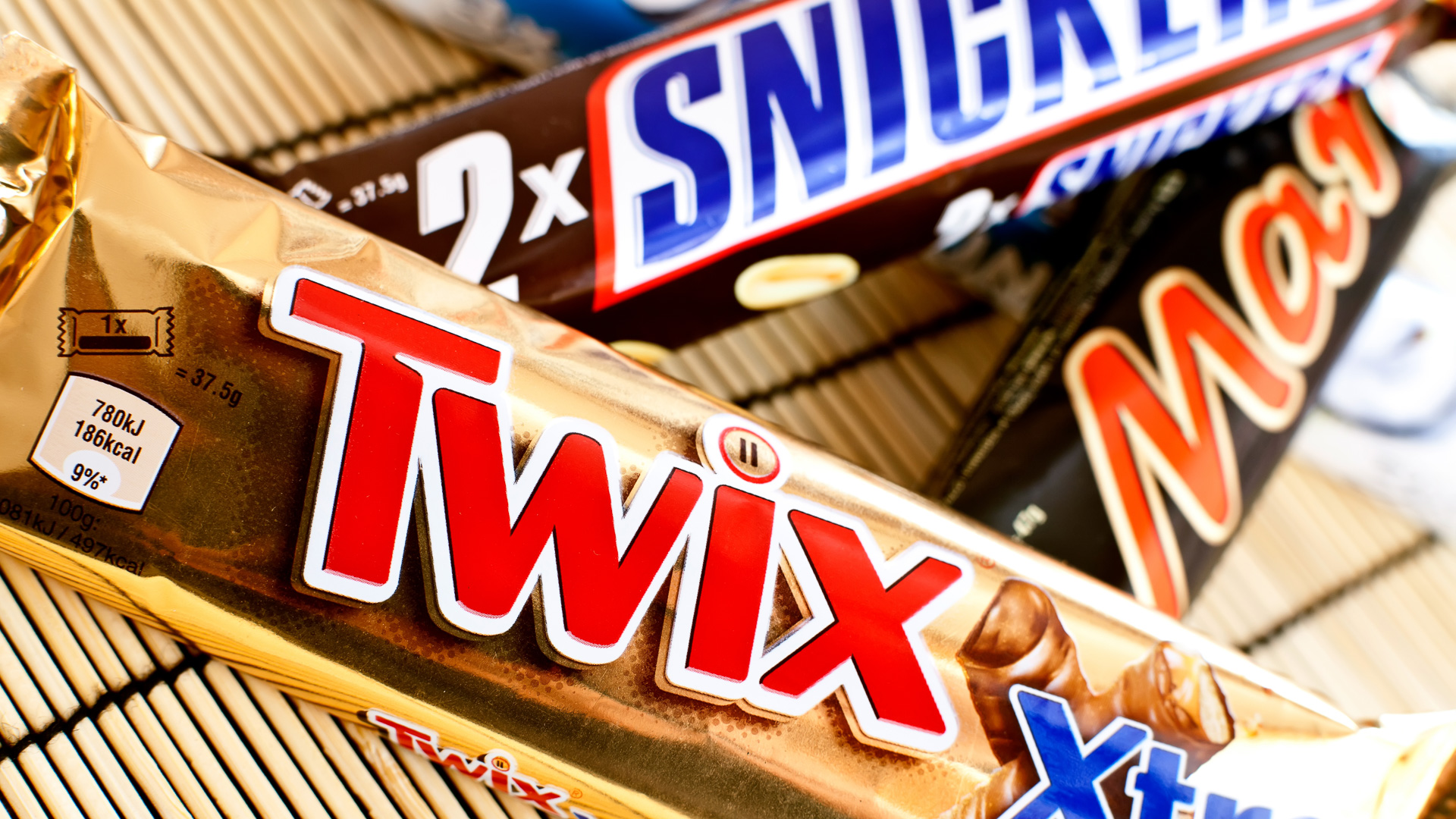 Mars products take up a big chunk of the checkout-stand candy section. The company’s brands include M&M’s, Snickers, Skittles and Twix products, as well as gums and mints like Juicy Fruit and Altoids.

But the Virginia-based business also owns a few unexpected brands. Although originally established as a candy company more than 100 years ago, today it’s a leading pet product provider, selling Iams, Pedigree and Whiskas. Additionally, Mars has been behind the chain of Banfield Pet Hospitals since the mid-1990s. 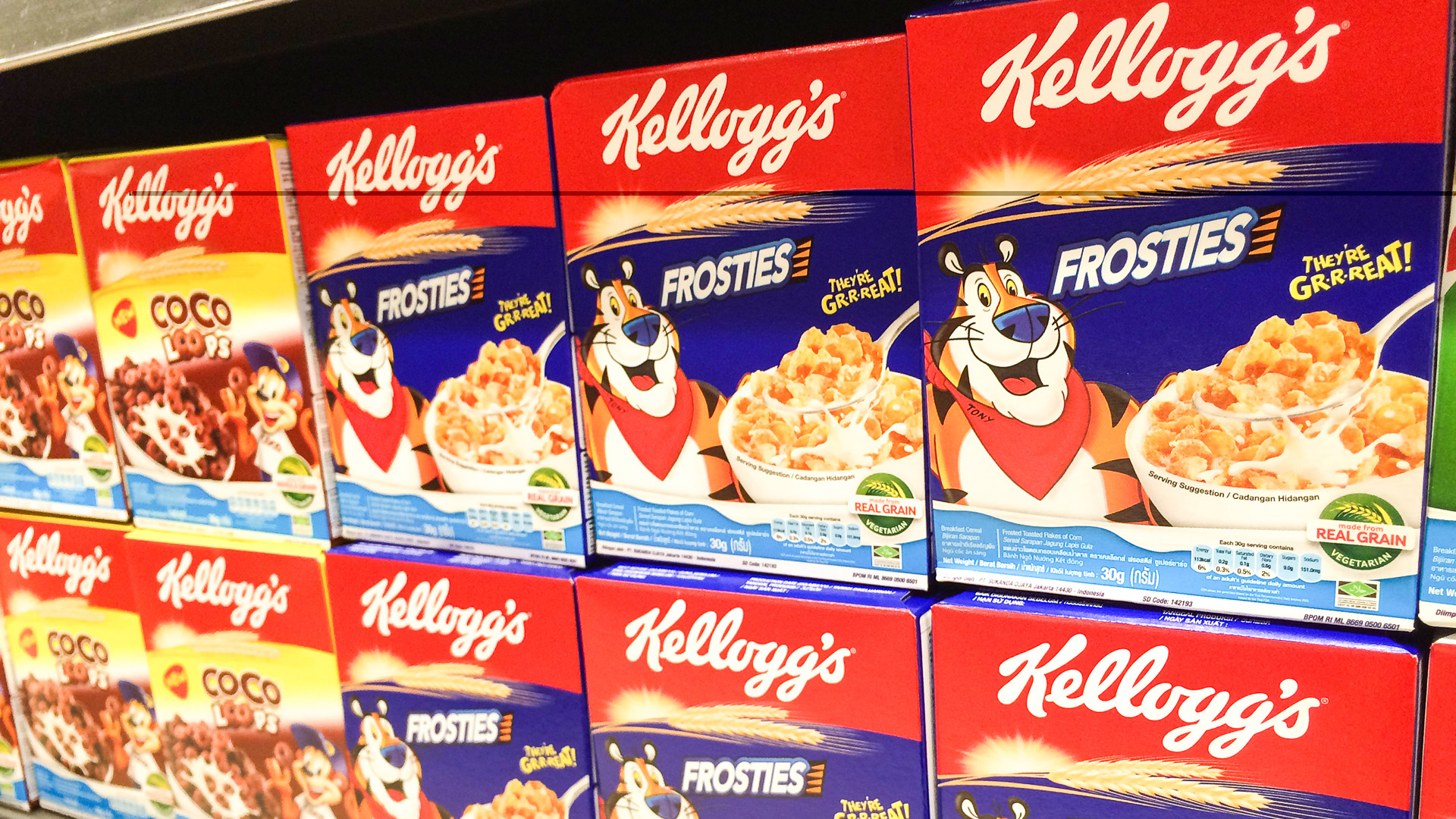 Located in Battle Creek, Mich., Kellogg’s has been a big deal in breakfast for more than 100 years, but the company also owns a number of other brands. Besides cereals like Froot Loops, Corn Flakes, Rice Krispies and Frosted Flakes, it owns Eggo waffles, Pop Tarts and Nutri-Grain Bars. The company also owns a few other brands, such as Cheez-Its, Pringles, Keebler, MorningStar Farms and Gardenburger. 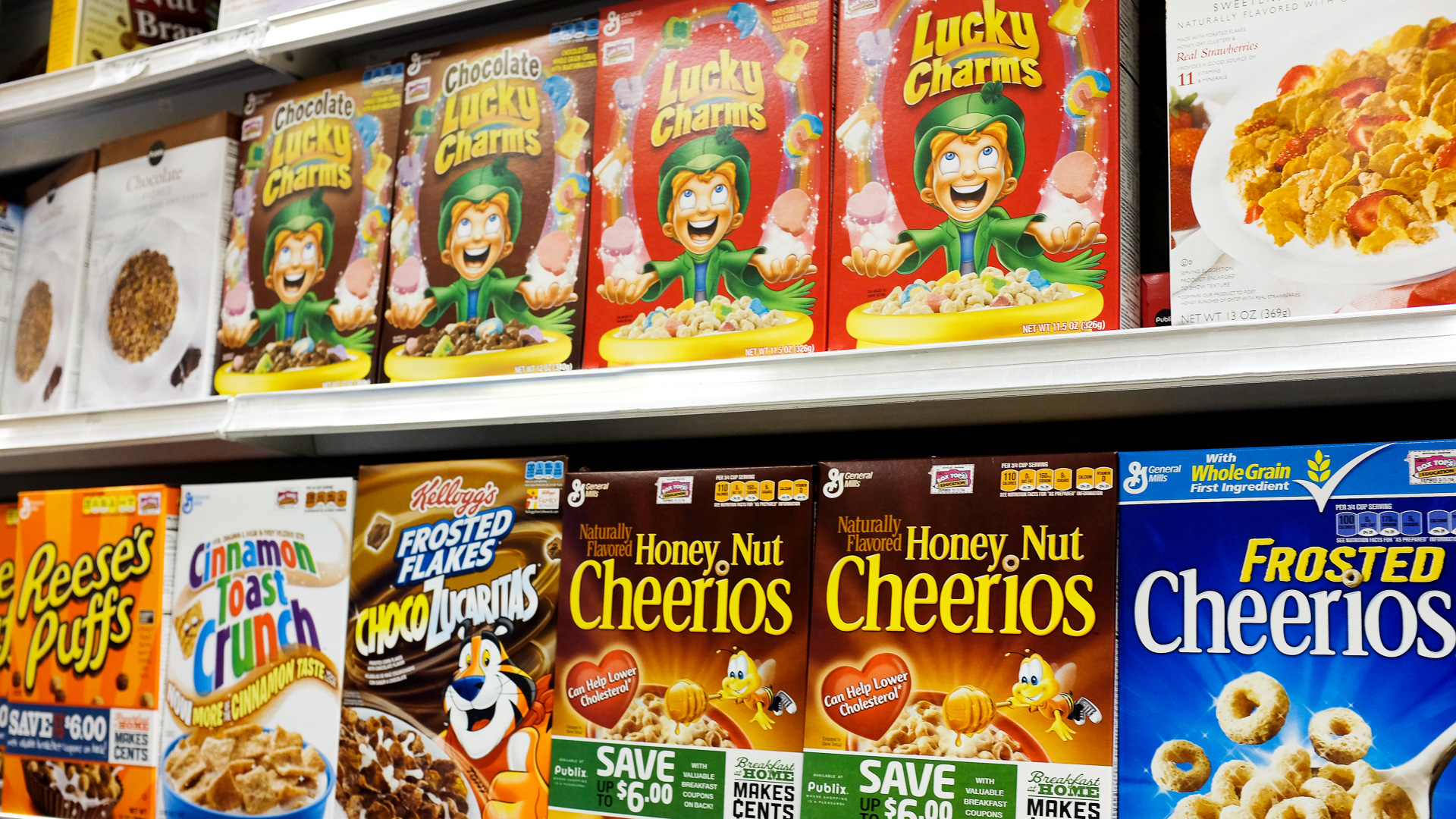 Minneapolis-based General Mills, established in 1866, has a massive list of brands to its name. Some of them are even brands-within-brands, such as Betty Crocker, Bisquick, Chex cereal and Chex Mix snacks, Lucky Charms, Trix, Cheerios, Kix, Wheaties, Hamburger Helper and Yoplait yogurt. 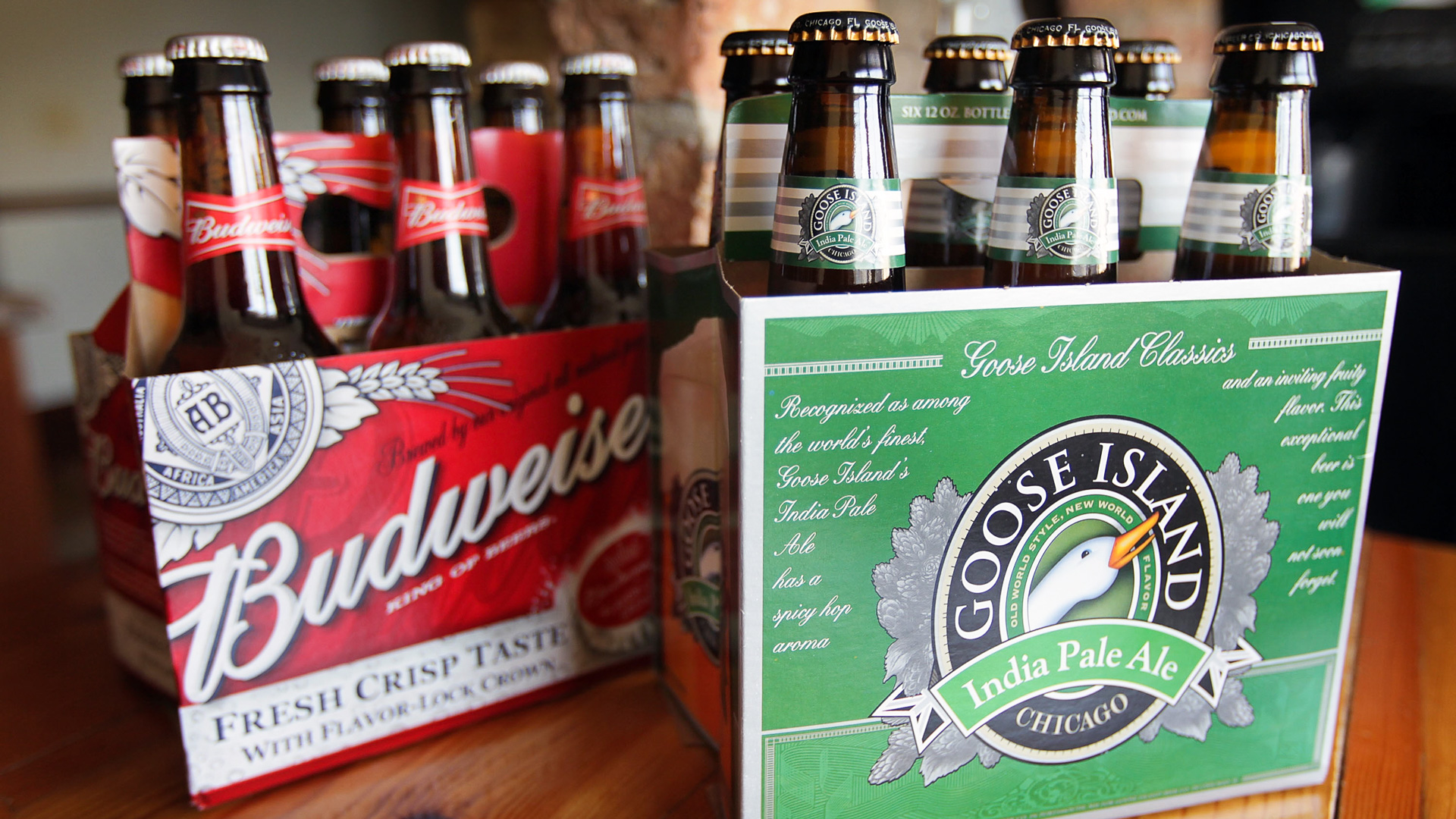 Along with well-known brands like Budweiser and Corona, this Belgium-based behemoth owns Beck’s Blue, Brahma and much more. The company purchased British brewer SABMiller for $103 billion in 2016. This acquisition includes Pilsner Urquell, Peroni and Miller Genuine Draft. 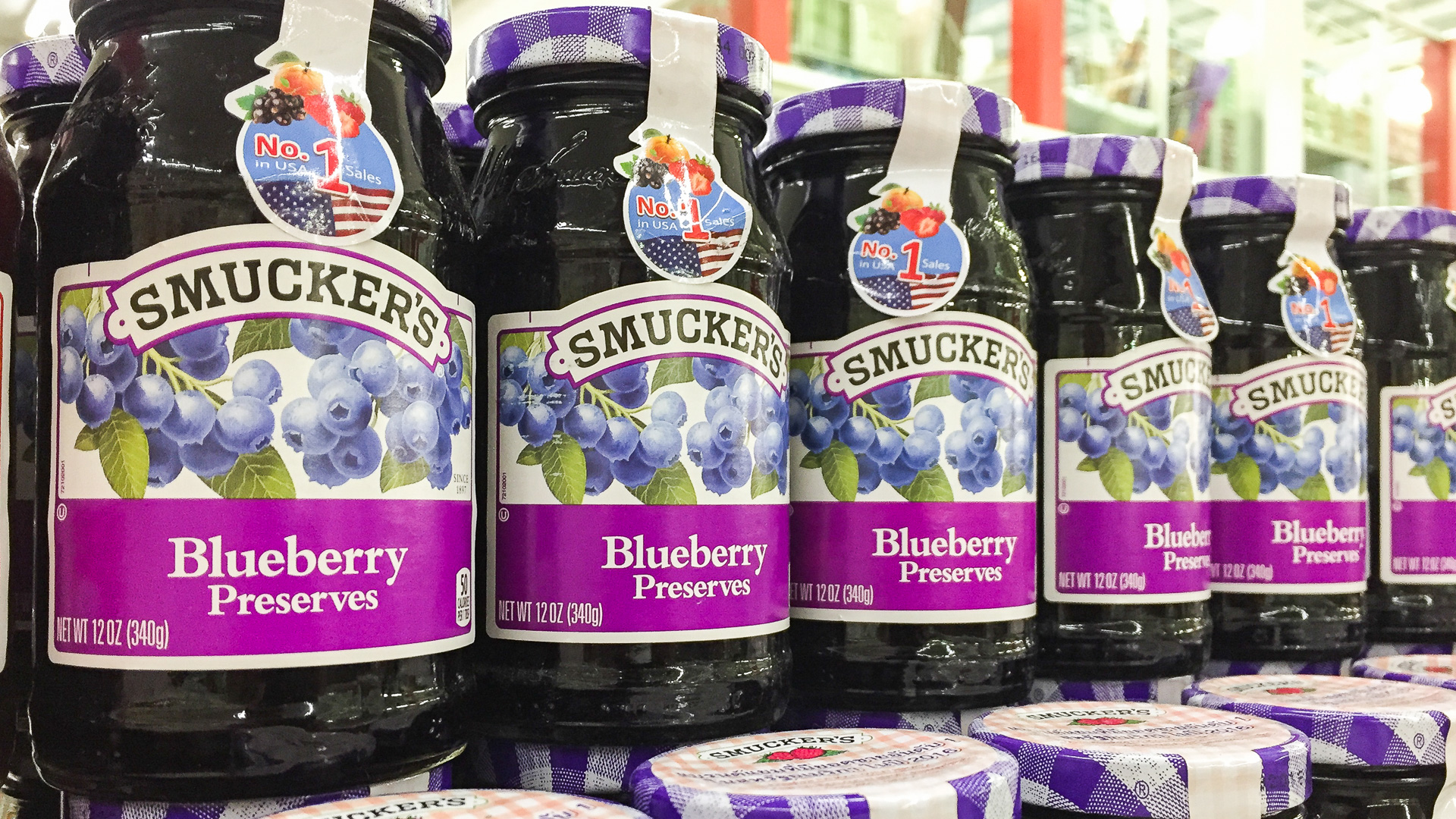 The 100-plus-year-old Smucker’s brand offers a lot more than jam. Based in Orrville, Ohio, the J.M. Smucker Company owns more than a dozen well-known brands, including Folgers, Crisco and — of course — peanut butter maker Jif. The company also owns the license for the Dunkin’ Donuts packaged coffee products you see in grocery stores.

The company completed a deal to sell its cooking brands — including Pillsbury, Funfetti, Hungry Jack, White Lily, Jim Dandy and Martha White products — to Brynwood Partners on Sept. 4, 2018, for around $375 million. 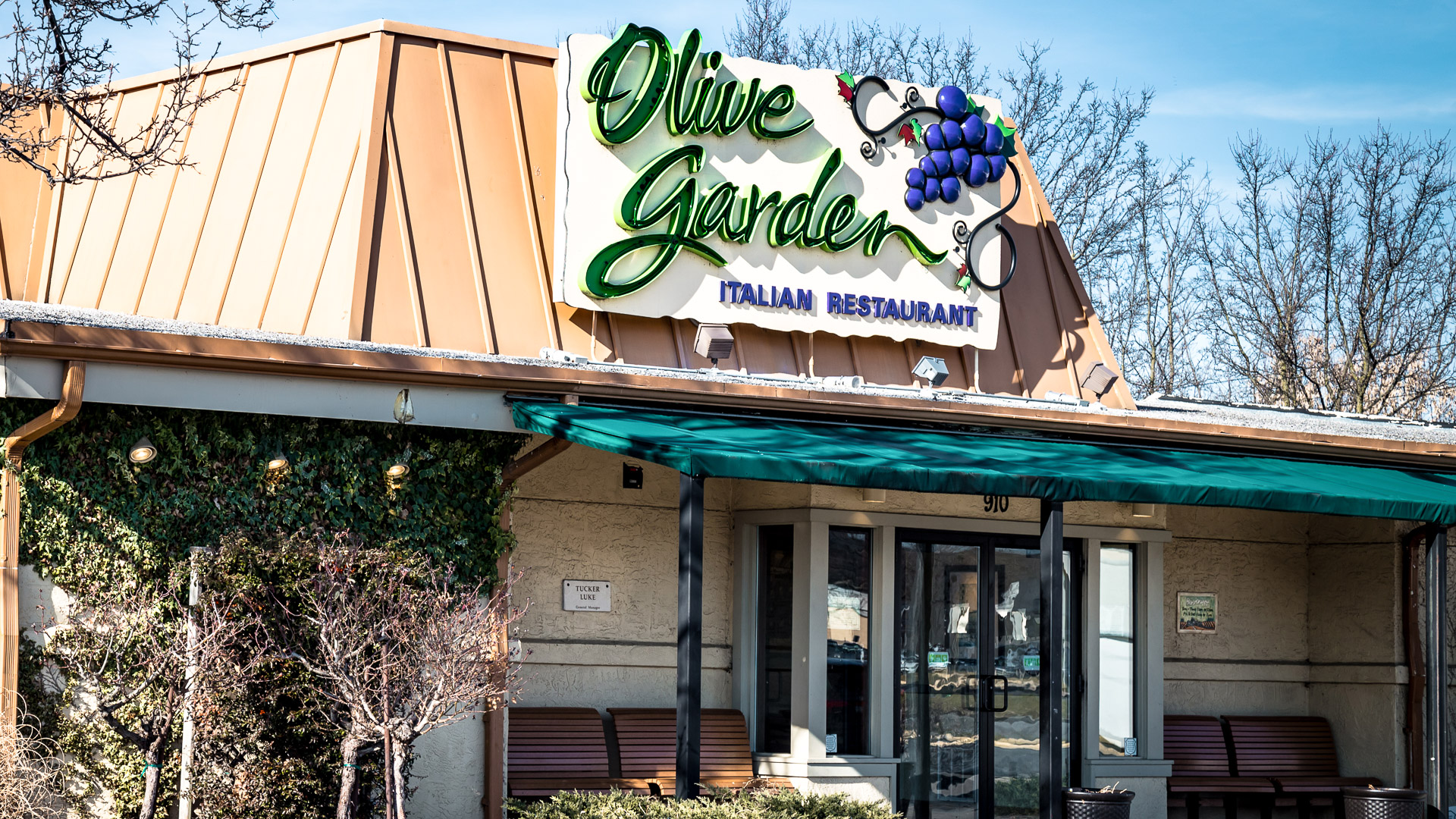 Darden, based in Orlando, Fla., owns family-friendly haunts like Olive Garden, LongHorn Steakhouse, Seasons 52 and Yard House. Until recently, Red Lobster was part of the corporation, too, but the company sold it in 2014. 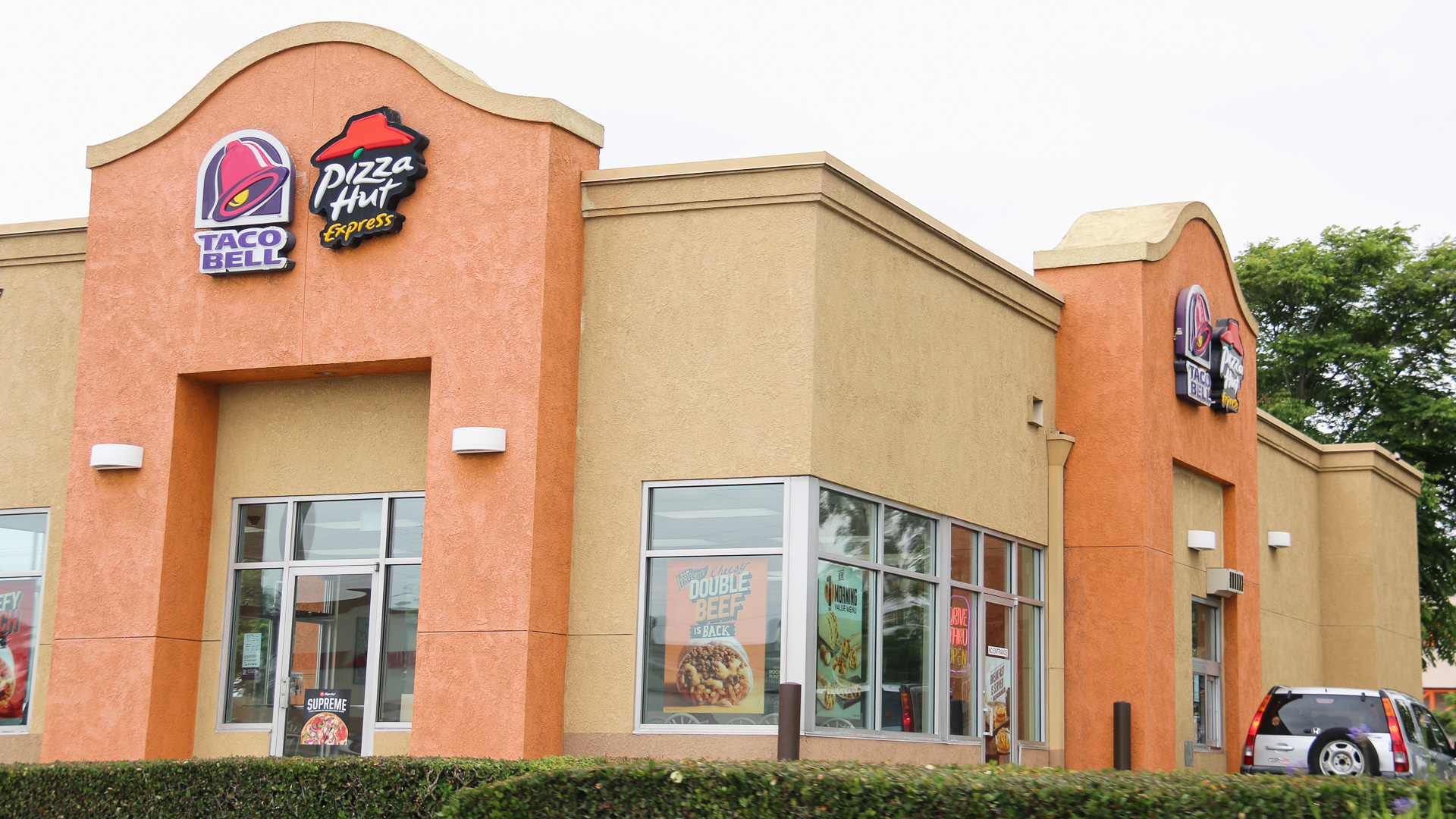 Yum! Brands Inc. started off as Tricon Global Restaurants Inc. back when it was spun off from the massive PepsiCo empire in 1997. Yum! now owns Taco Bell, KFC and Pizza Hut, which is partially why you frequently see the fast-food chains operating together.

Yum! used to be a larger company, owning Long John Silver’s and A&W Restaurants, but it sold those ventures in 2011. Yum! is based in Louisville, Ky., where the KFC Yum! Center — a multipurpose sports arena — is located. 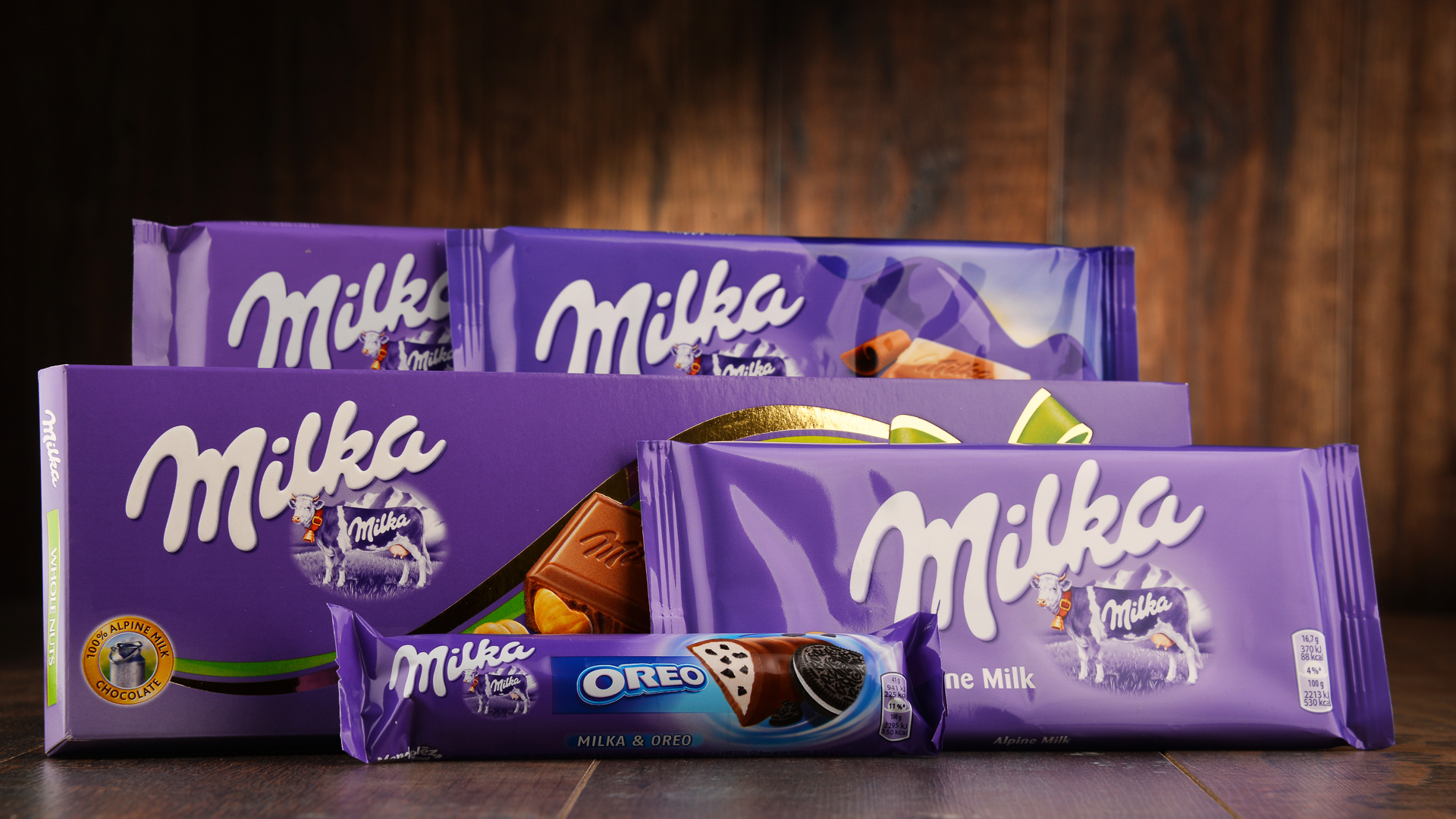 Unlike Kellogg’s or Johnson & Johnson, Mondelez International isn’t exactly a family name. However, the company’s subsidiary, Nabisco, is a pantry staple. Also well-known is its lineup of brand-name products, such as Ritz, Oreo, Chips Ahoy!, Honey Maid, Wheat Thins and Triscuit. The company, which spun off from Kraft Foods Group Inc. in 2012, also owns Cadbury, Milka, Stride and Trident and Halls. It’s based in Deerfield, Ill. 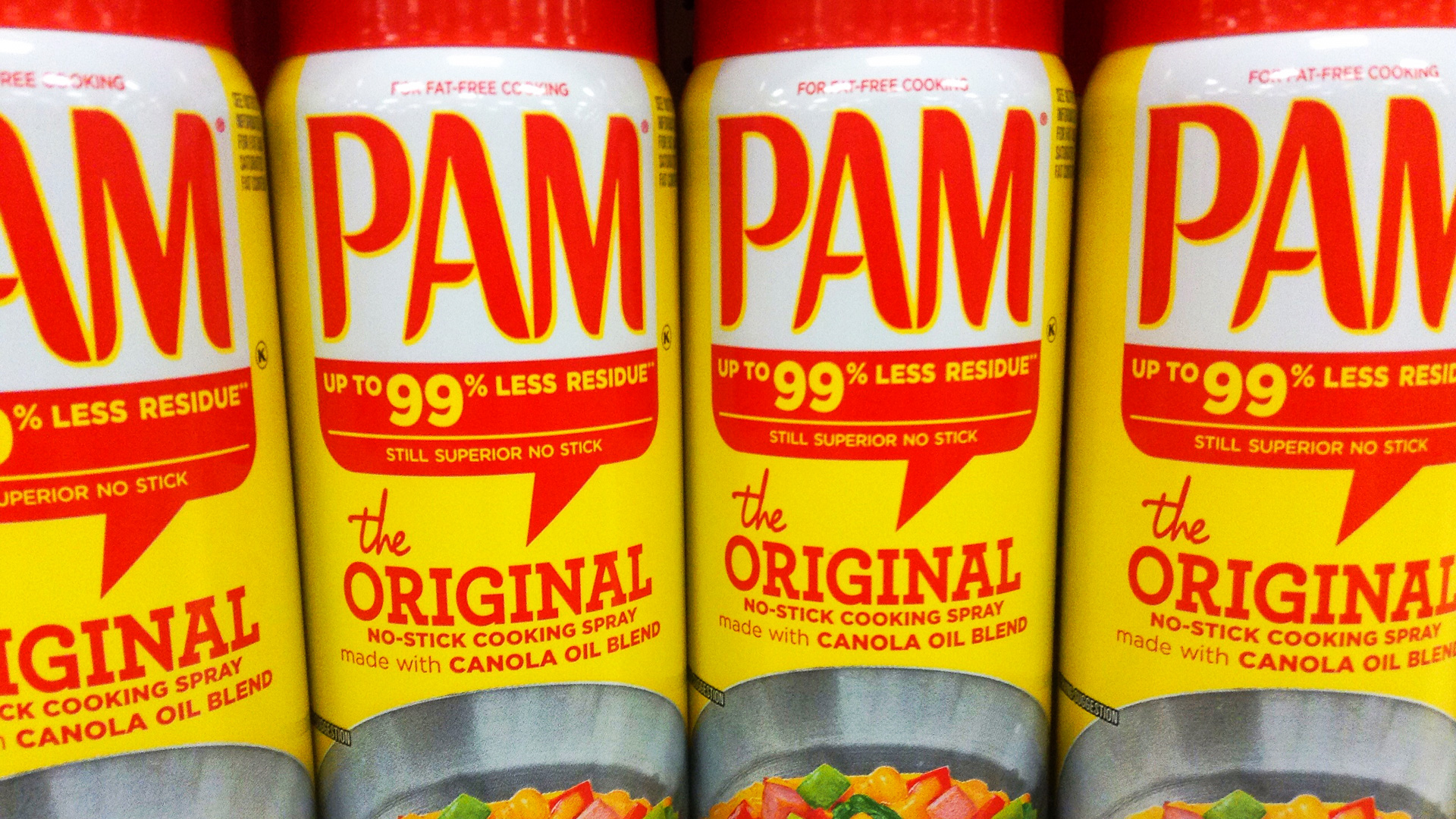 Based in Chicago, Conagra was established in 1919 as Nebraska Consolidated Mills. An American business, the company is worth more than $8 billion, according to its website. Conagra produces a huge array of products, including:

Click through to read about brands with lifetime warranties.