Blame It on the Money: 6 Reasons Marriages Fail 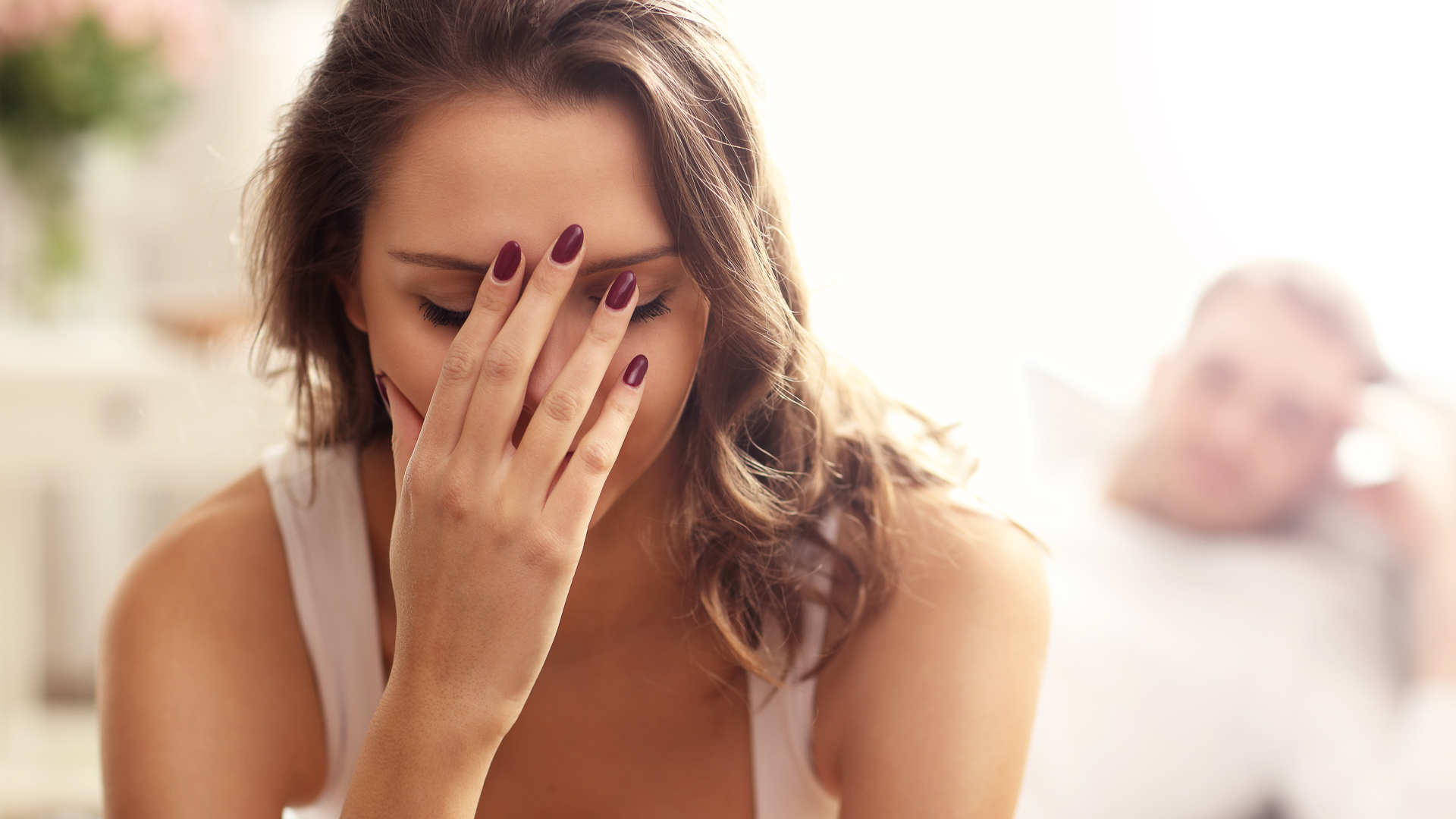 Ask any long-wed couple and they’ll tell you making a marriage work takes much more than love. Lasting marriages are built upon a foundation of trust, loyalty, respect and mutual goals. Most couples recognize this on emotional, physical and even spiritual levels; however, many fail to apply the same consideration to their finances.

When spouses do not properly manage finances, struggle to talk to one another about money or cannot be honest about their individual spending, tension builds. In some cases, ongoing tension leads to separation or divorce.

Read on to discover some of the most common ways finances cause rifts between married couples, and learn how you can prevent money matters from chipping away at your marriage. 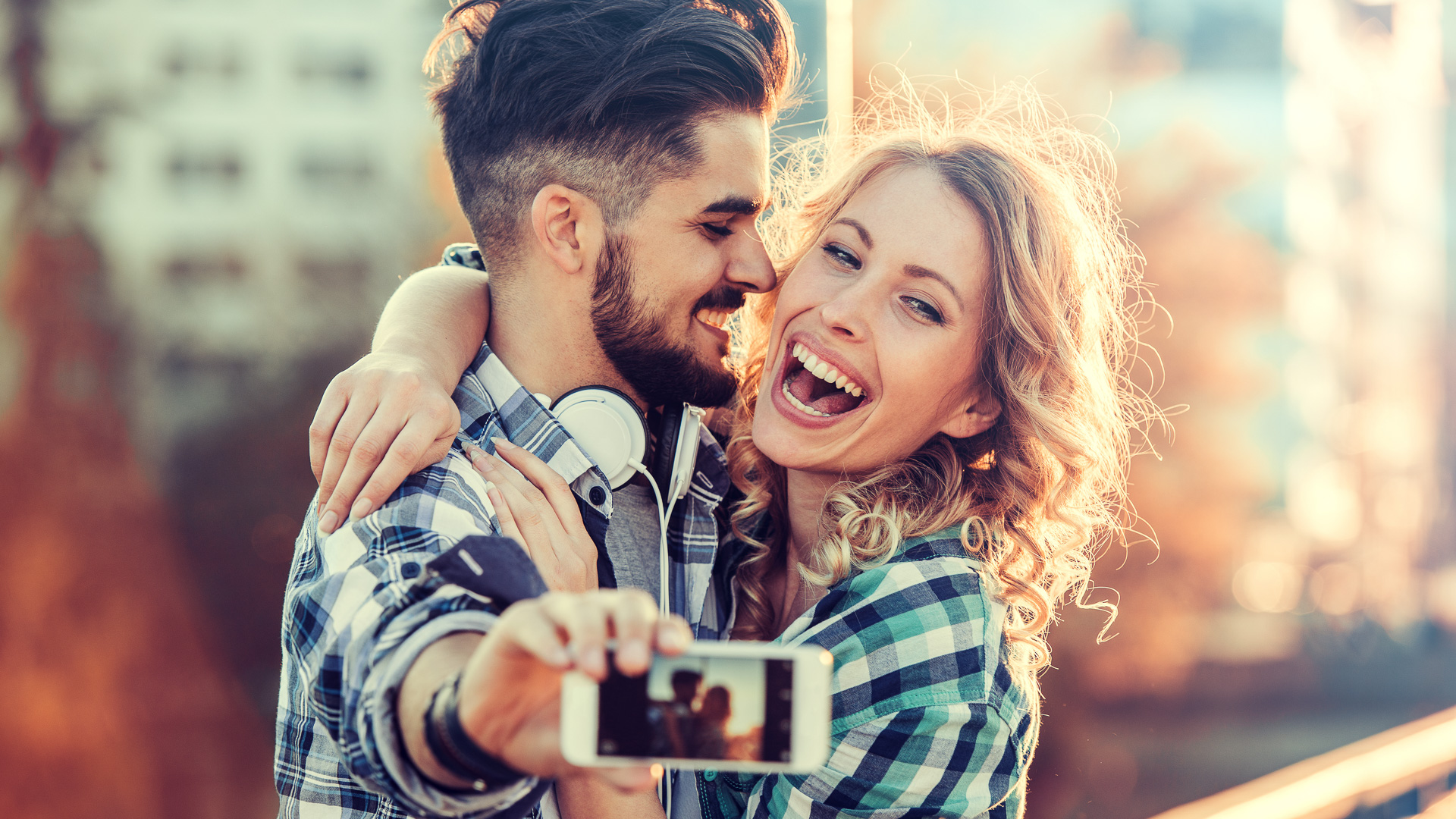 Stress sets the stage for unhappiness, and finances are a big-time contributor to stress. In a 2015 survey by SunTrust Bank, 35 percent of married couples named money as the leading cause of relationship stress.

What makes financial stress worse, though, is that many couples don’t talk openly to one another about their money burdens.

“Talking about money is difficult for most couples because we usually don’t grow up in our families having positive discussions about money,” said Melissa Divaris Thompson, a licensed marriage and family therapist based in New York City. “Money is something that can very quickly and easily go underground and not [get] talked about. It’s uncomfortable, and most families feel it’s too private to share even with adult children.” 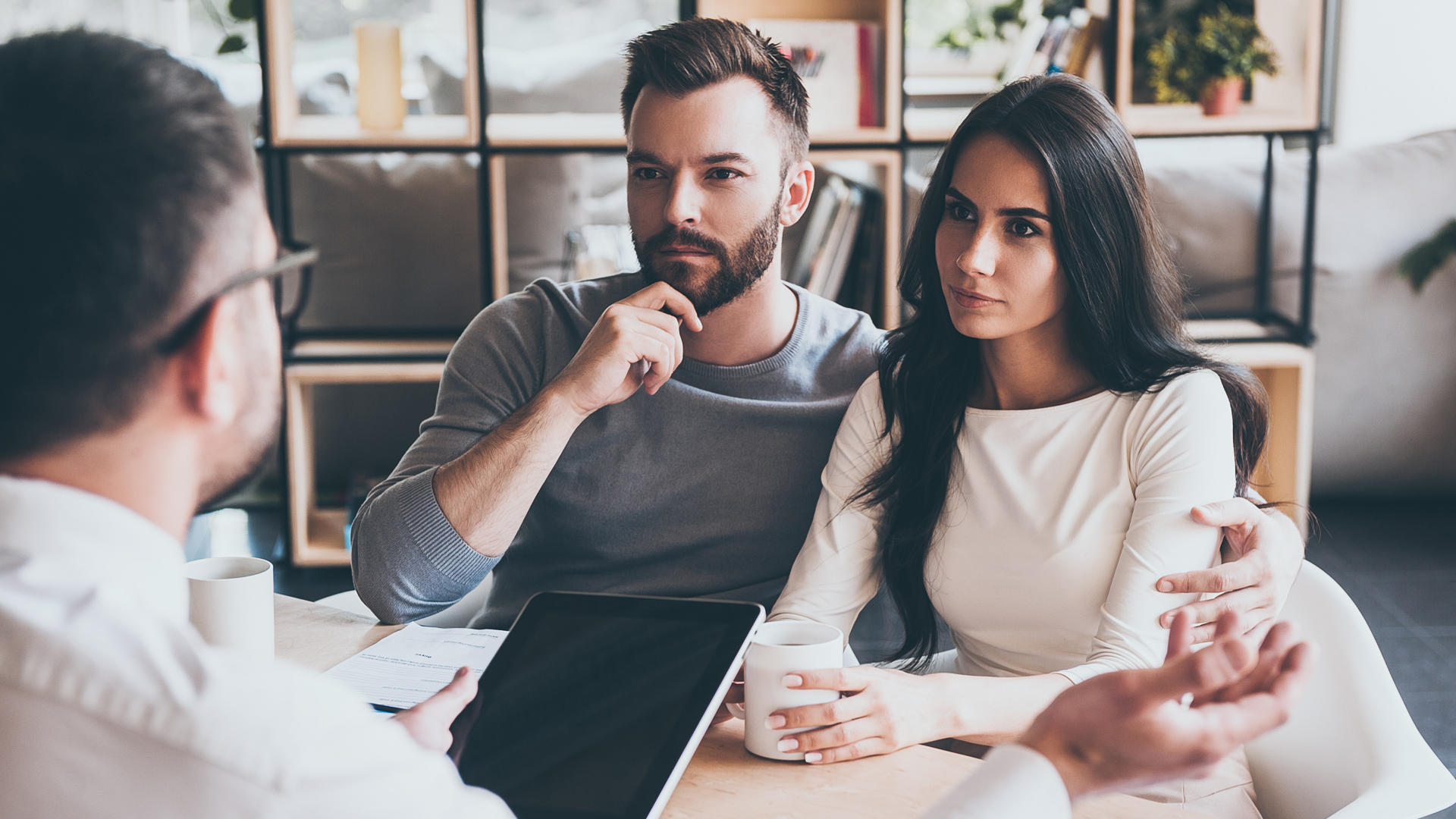 Tip: Ease Into the Conversation or Find an Advisor

Couples who do not currently talk about stress as it relates to finances should allow themselves to gradually open the discussion, rather than diving fully in at once, Divaris Thompson said. When you talk about money a little bit everyday, your conversations will get easier and feel more normal.

Additionally, couples can meet with an objective third party, such as a financial advisor. A professional will guide your conversations, which will help prevent flare-ups and major disagreements. “Meet with a financial planner or advisor. Sit down and talk openly about your financial picture and how you both want to grow,” Divaris Thompson said. 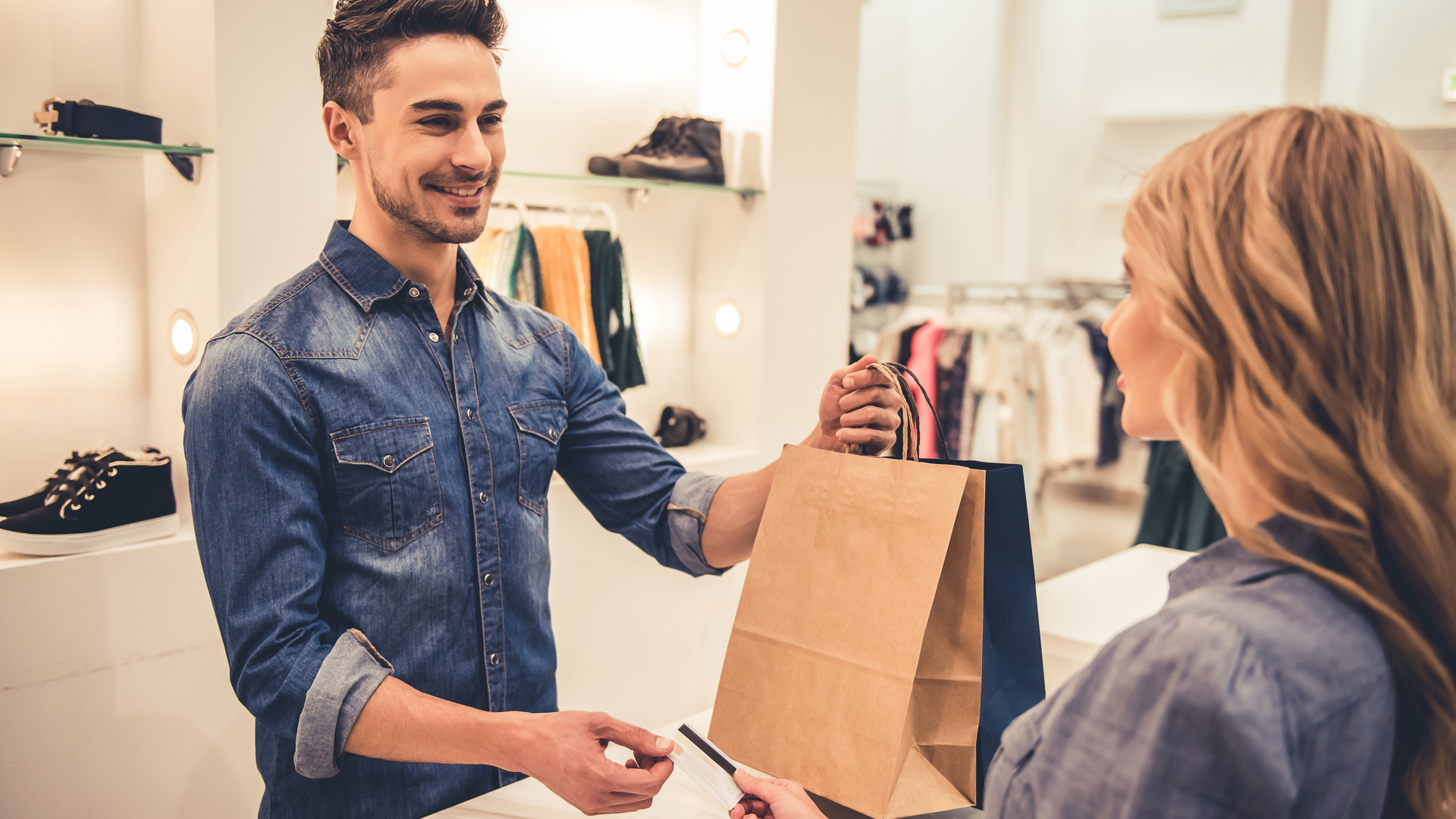 2. One (or Both) Spouses Secretly Spends

According to a 2015 report by CreditCards.com, an online credit card marketplace, one in five of the people reported spending $500 or more on a credit card without revealing the purchase to their spouses. The report also showed that roughly 7.2 million Americans have hidden a credit card or bank account from their live-in partners or spouses.

While some couples agree not to share bank accounts or credit cards, keeping their own finances largely separate, any purchase that could significantly affect you both or your family is important to share. If you’re going out of your way to hide purchases, your relationship could really suffer.

“To hide purchases from your partner sets up a dynamic to not be open and honest about your financial choices,” Divaris Thompson said. “It creates distrust in the relationship and breaks down your integrity. Your partner is also then set up to become the ‘financial police,’ and this will build resentment in your relationship.” 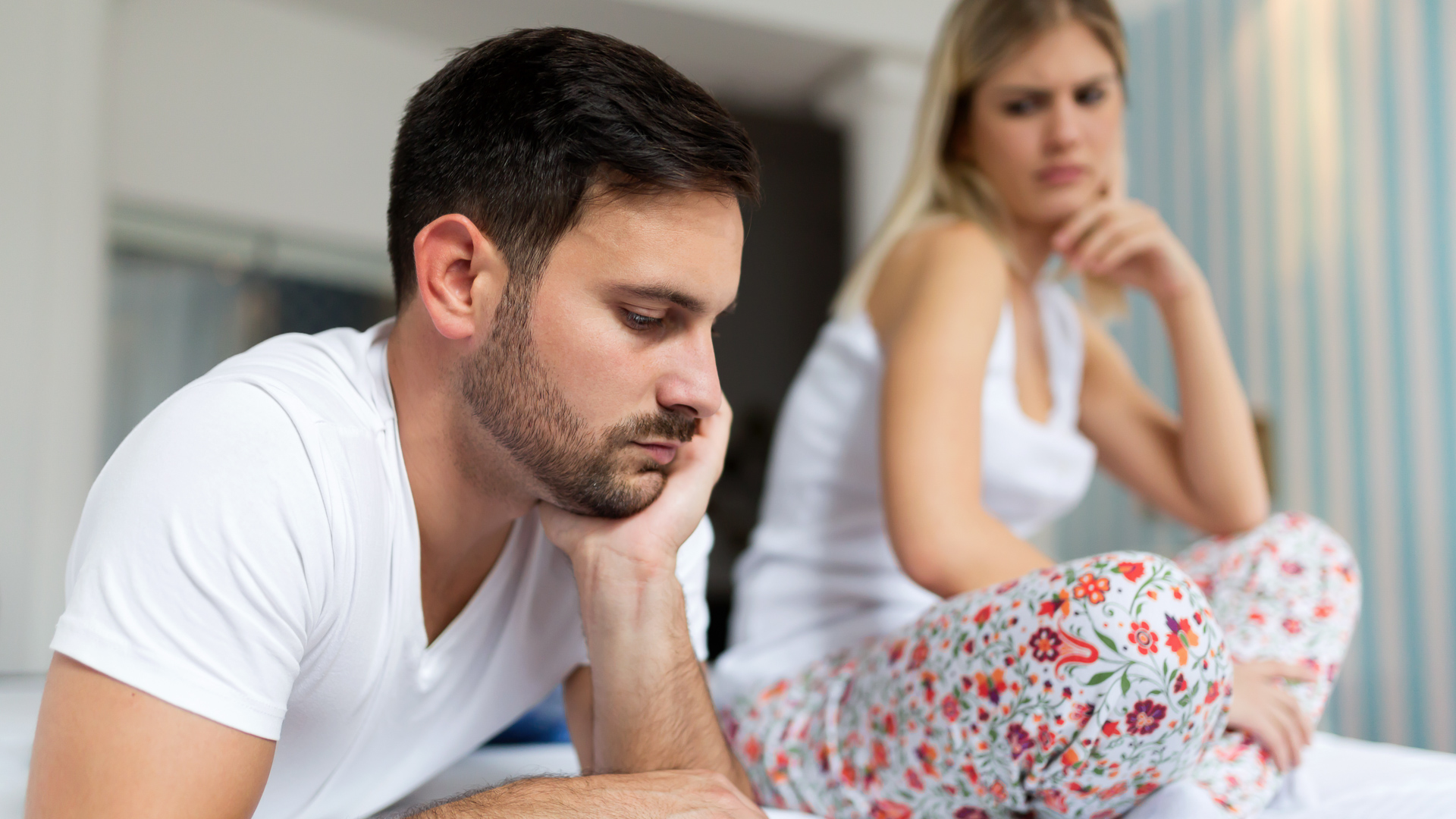 If your spouse is showing signs of lying about his or her spending, you should confront him or her in a non-combative way. If you aren’t confident that you can keep your cool during a discussion, seek the help of an objective third party, such as a therapist.

If you are concealing or lying about purchases, you need to end the habit pronto. Should the temptation to hide arise, ask yourself why you feel the need to not disclose the information, and pinpoint any underlying issues in need of addressing. 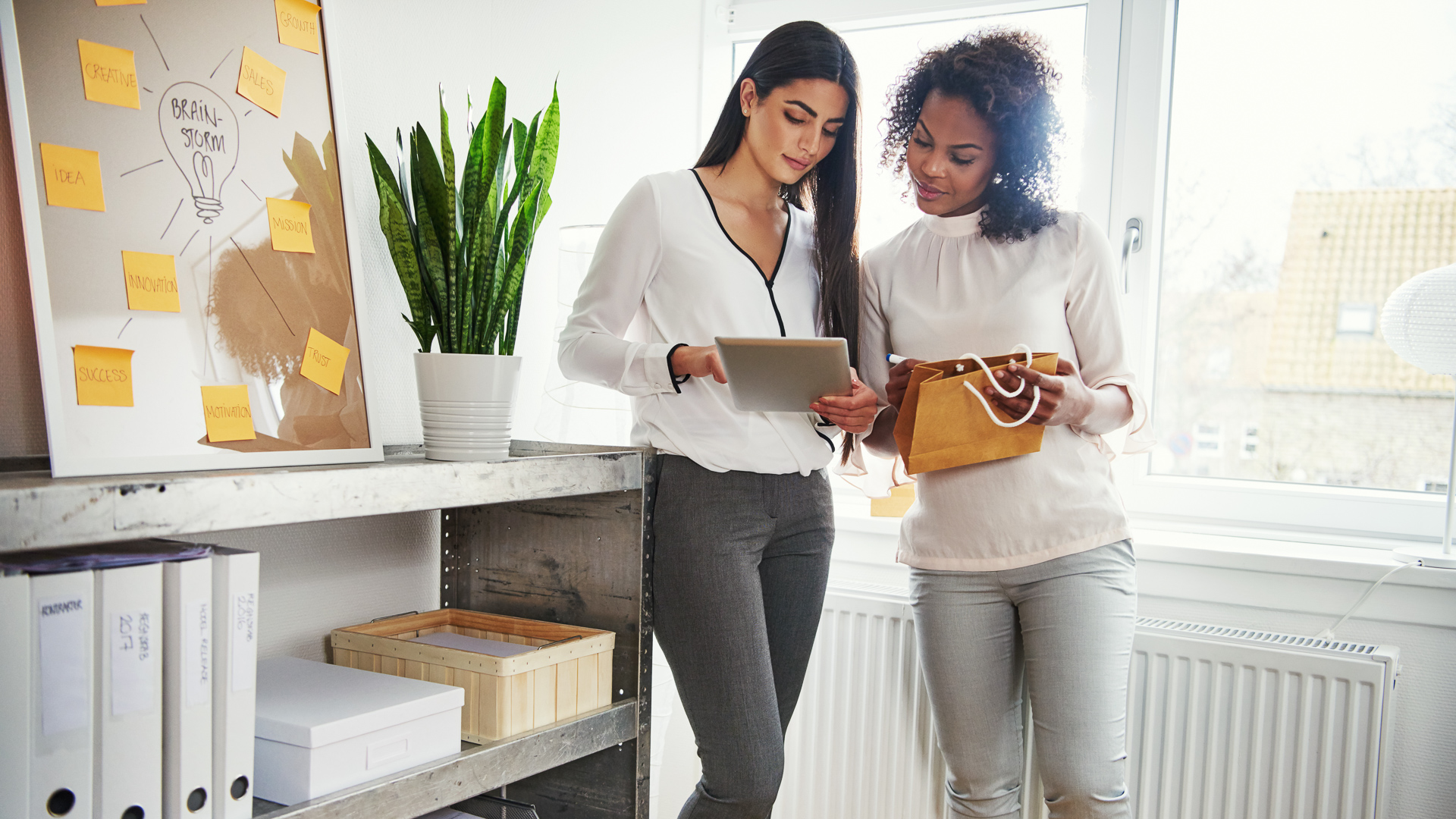 Nearly 38 percent of wives earn more money than their husbands in the U.S., according to the Bureau of Labor Statistics. While women’s salaries have changed in recent decades, societal perceptions of money-related gender roles have evolved not as quickly. As a result, some men struggle emotionally when their wives make more money.

“In our society, men have historically been the breadwinners,” Divaris Thompson said. “Being in a heterosexual couple where the woman makes more money can set up a dynamic that may be uncomfortable for a man. Usually partners feel that whomever (sic) makes more money, even on a subconscious level, may hold more power.”

Meanwhile, women continue to do a significantly larger share of household chores, even when they make a higher income. Women, on average, spend more than twice as much time housecleaning and preparing food and over three times as much time doing laundry compared with men, according to a recent Bureau of Labor Statistics report. If such a setup contributes to resentment, exhaustion and heightened stress, money-related tension and divorce risks might run even higher. 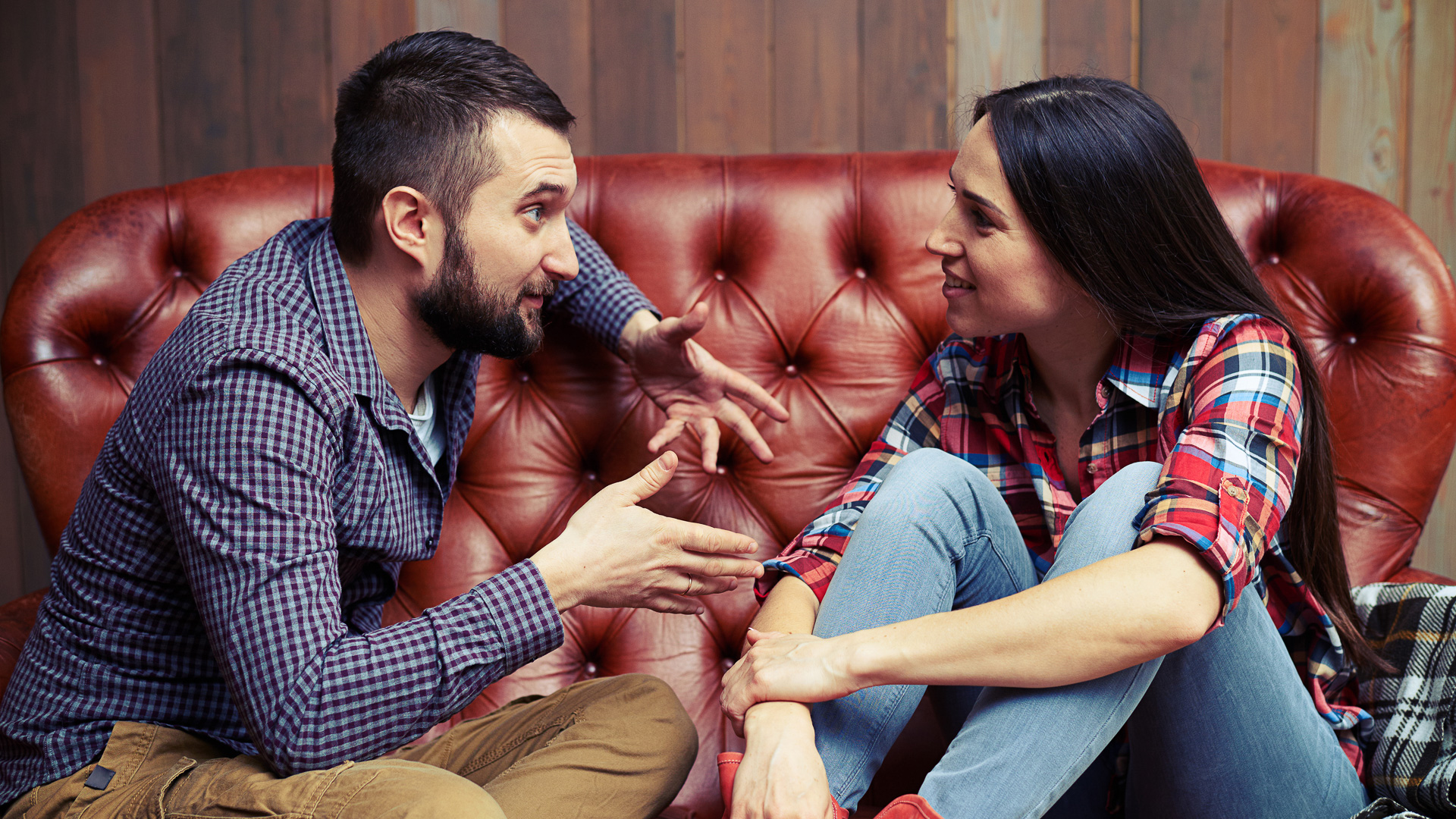 Tip: Tell Your Partner How You Feel

If you are a married male who struggles to accept that your wife makes more money than you, talk about your feelings with your partner, a therapist or both. Awareness alone can go a long way toward salvaging relationship satisfaction, and it sets the stage for positive action such as more evenly sharing the housework load. 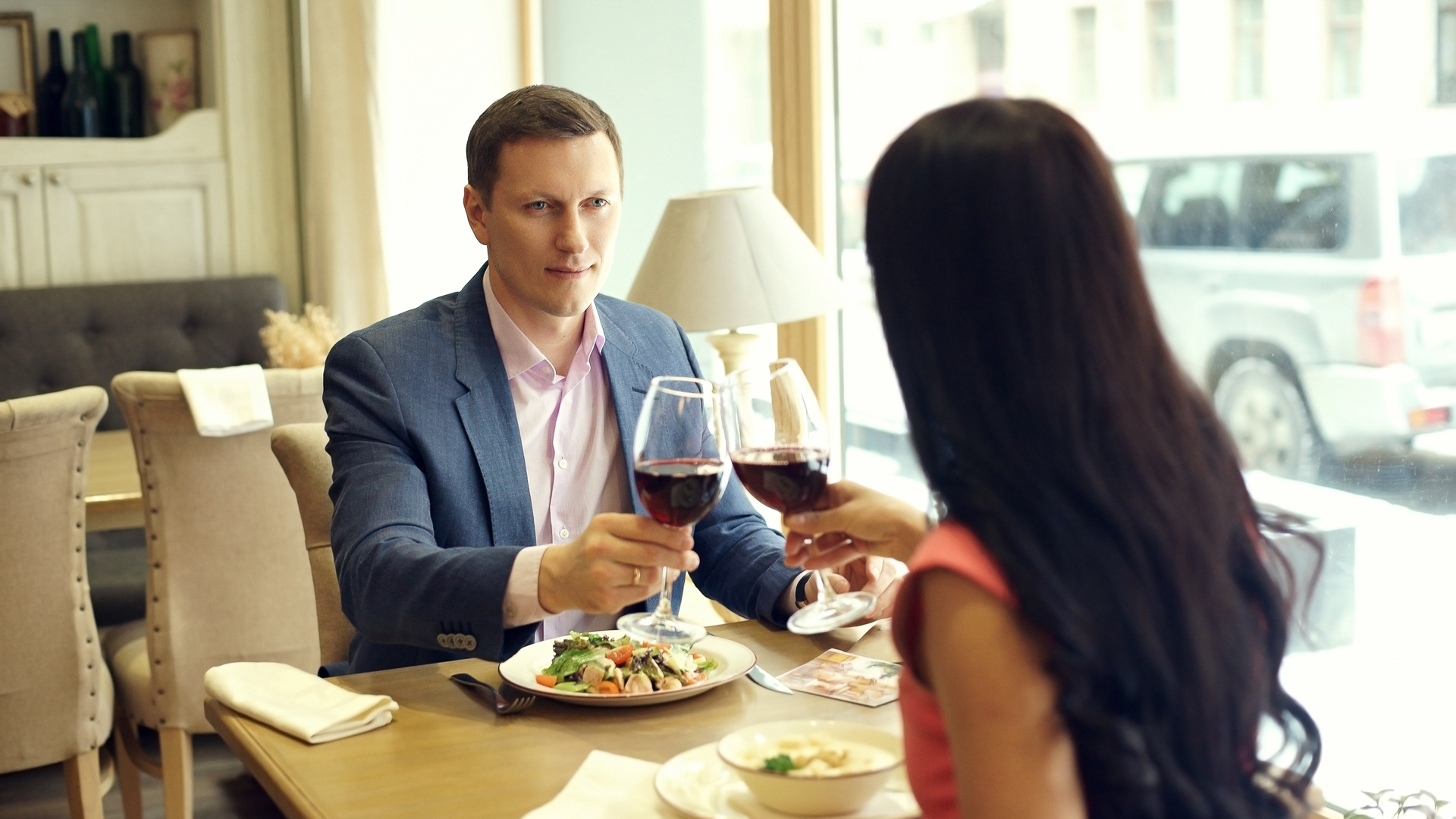 No matter what your financial means — or who makes more money — overspending is one of the reasons marriages fail. It’s also extremely common. In research released by the Pew Charitable Trust in 2015, 57 percent of people surveyed said they didn’t consider themselves prepared for an abrupt financial setback. Fifty-five percent said they broke even or spent more than they brought in each month, and about a third of responders reported having no savings at all.

For couples, this is problematic on multiple levels, according to Divaris Thompson. “When you live beyond your means, there is always a level of anxiety associated with that,” she said. “Whether you know the credit card bill is coming soon or wonder constantly if you can cover your bills, this can lead to feelings of unease.” 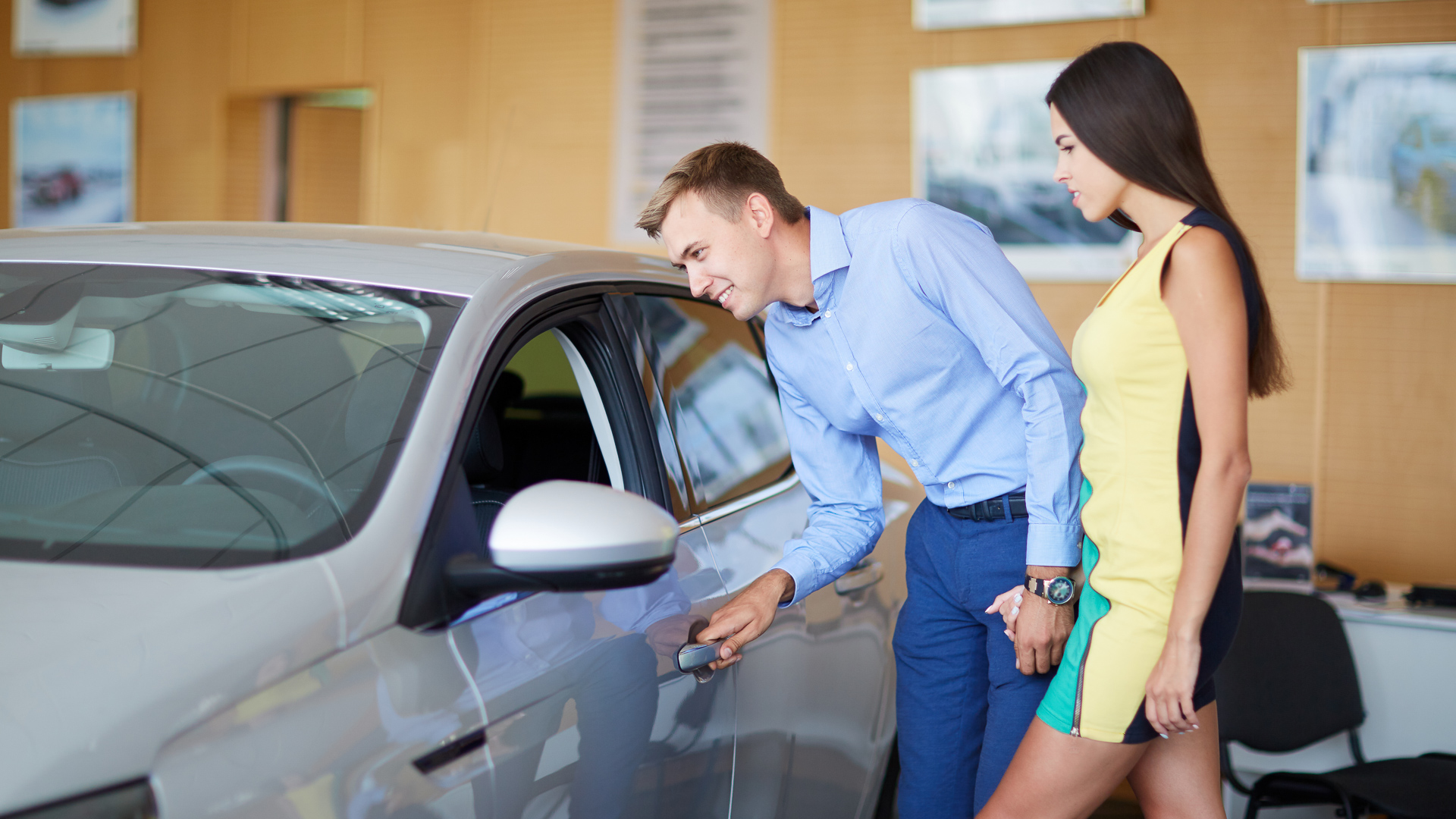 Tip: Create a Plan Together

To keep overspending from dismantling your marriage, Divaris Thompson suggested sharing your fears and anxious feelings with your partner and then creating a plan together for positive change. Develop a budget, explore creative ways to save funds to better stay within your means, and check in regularly to hold each other accountable. Simply starting the conversation can help protect your marriage, she said. 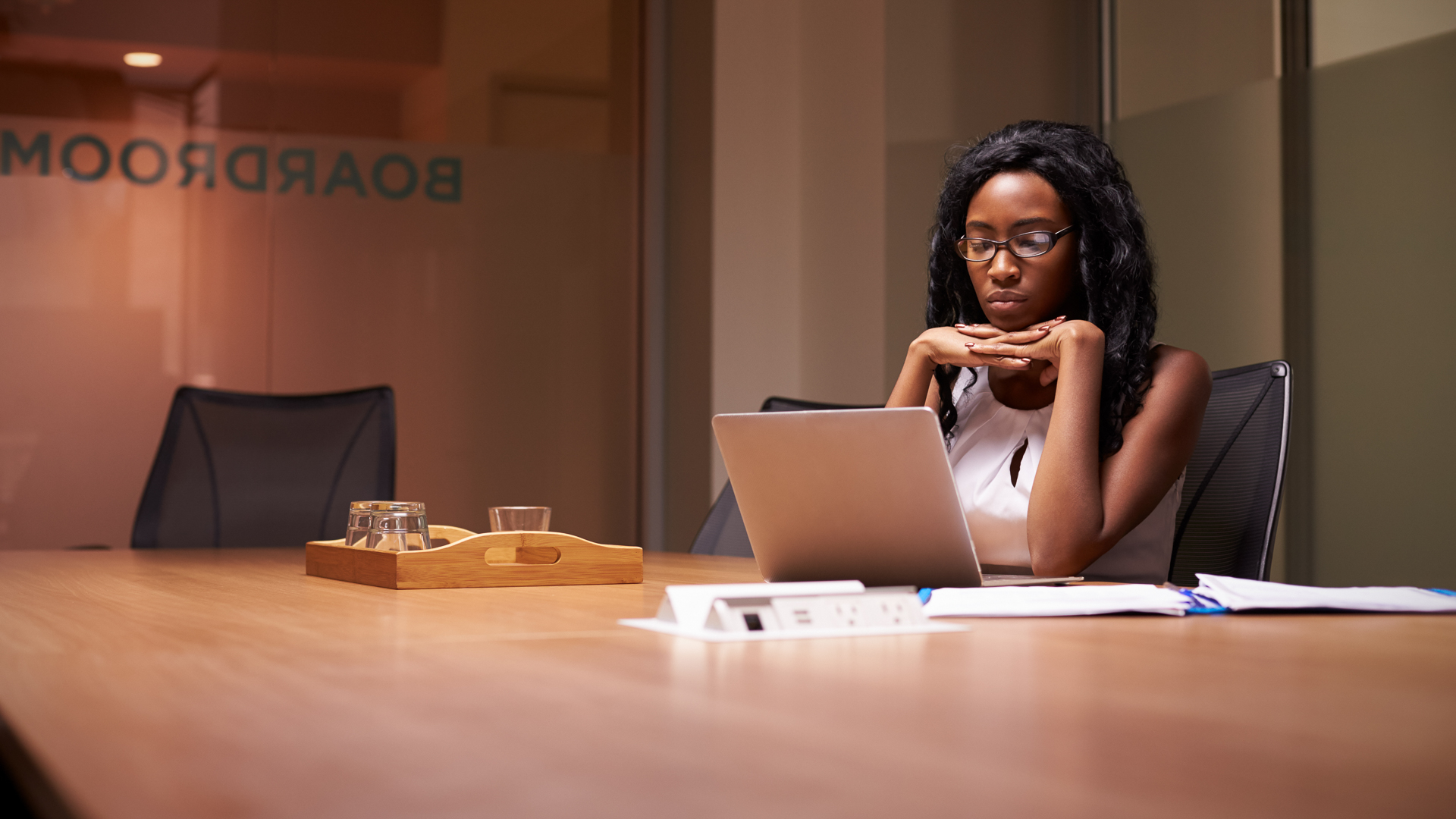 5. Couples Spend Too Much Time Trying to Make Money

Maintaining a strong marriage takes work, time and energy. If you spend nearly all of your time and energy at the office, you won’t have much left over for keeping the relationship spark alive. It should come as no surprise, then, that overwork can fuel the likelihood of divorce.

“In a solid relationship, you want to feel valued and a priority,” Divaris Thompson said. “For a partner that prioritizes work, this can lead to feelings of resentment and anger in the relationship.”

Americans are more prone to overworking than any other population in the world. More than 85 percent of men and 66 percent of women in the U.S. work more than 40 hours per week, according to a 2017 CreditLoan report. 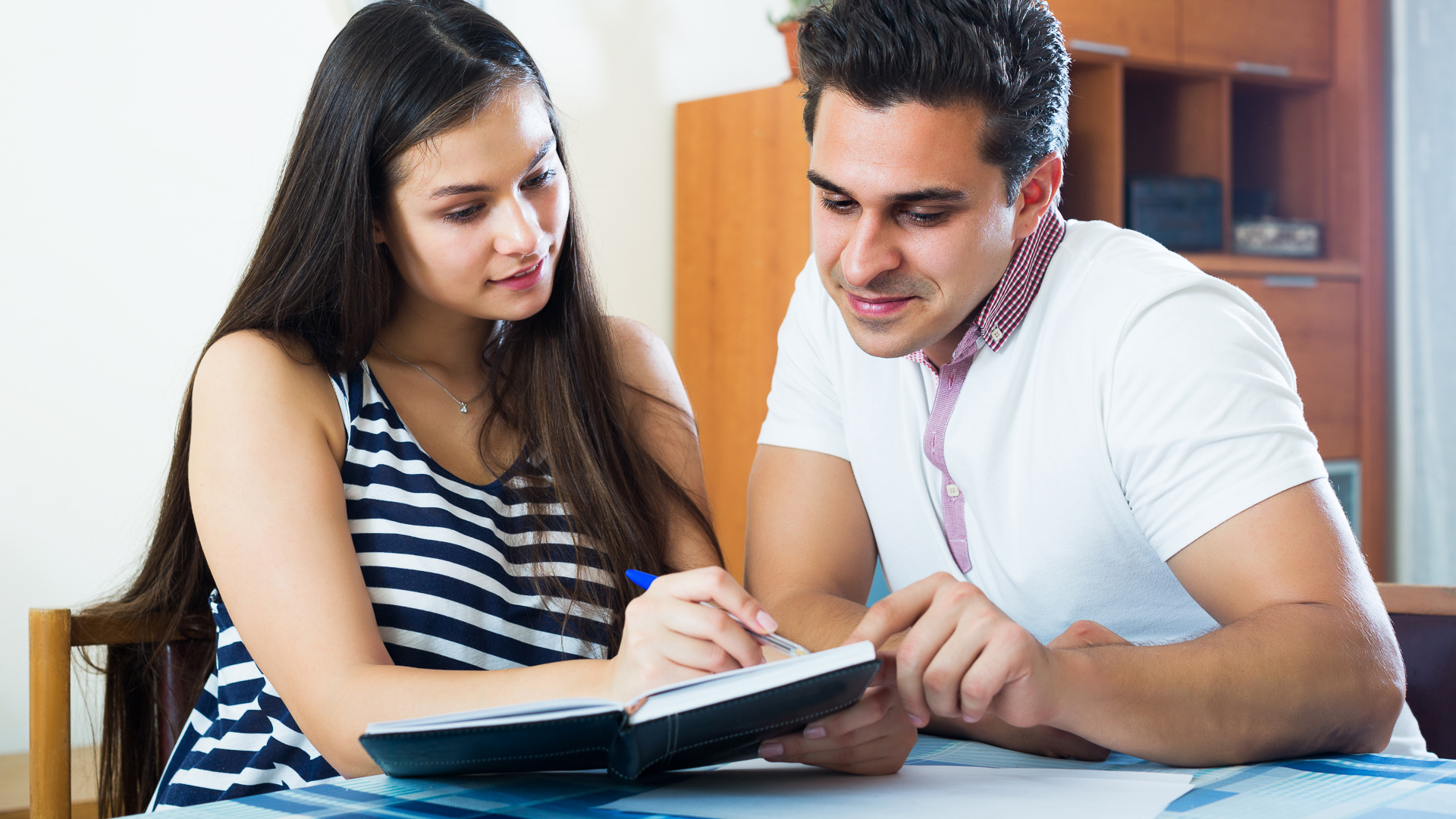 To help keep overwork from undermining your relationship, Divaris Thompson said couples must find balance. “Make sure you both agree on what that picture looks like between work/life balance,” she said.

You can also each take advantage of a few easy ways to make money off of your marriage. 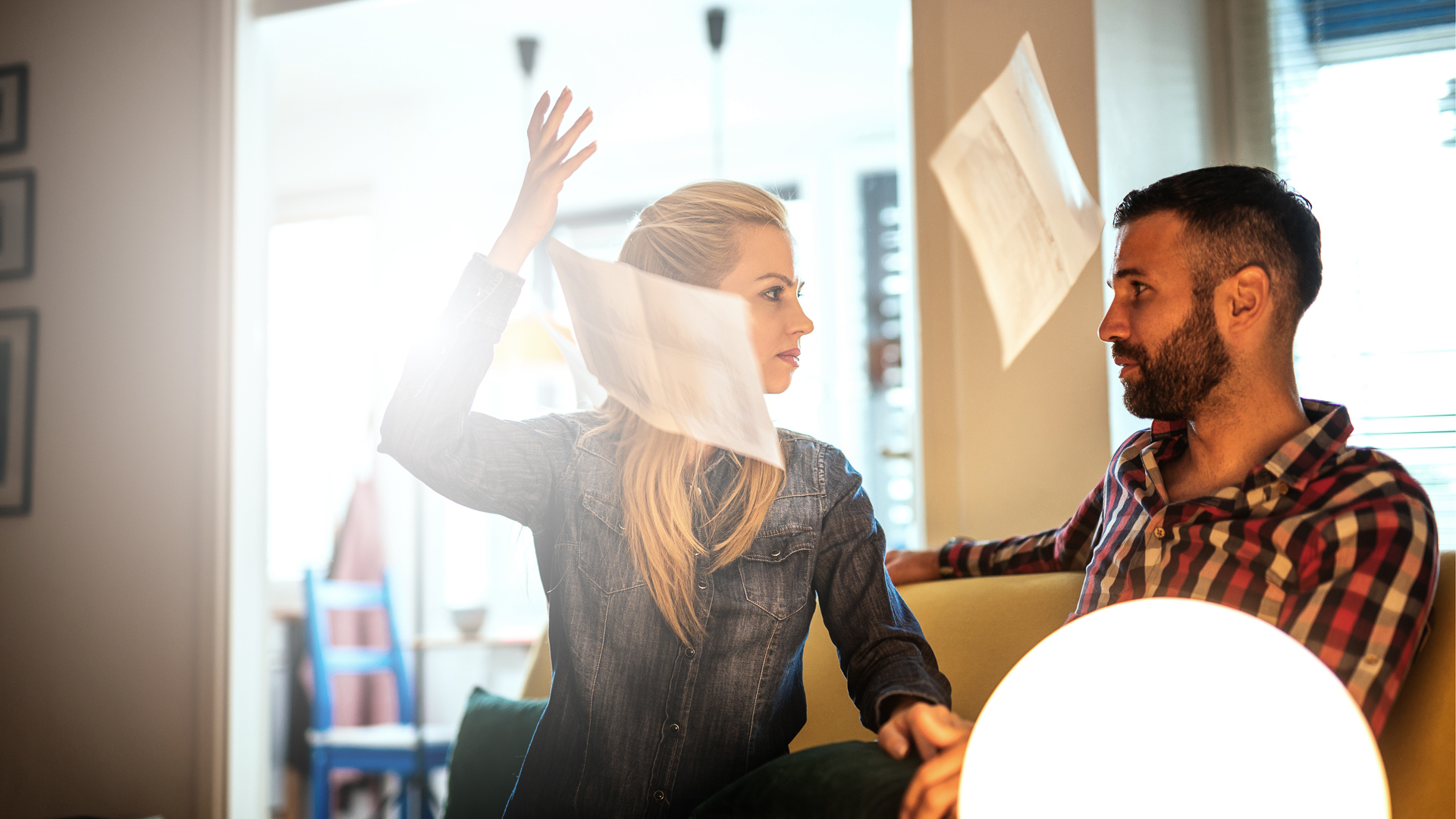 Some experts believe that spousal arguments about money are the leading predictor of divorce. One of the most comprehensive recent studies on the subject drew on data collected from more than 4,500 couples and showed that, regardless of debt, income and net worth, money arguments were the biggest divorce red flag.

Not only do money issues frequently come up in arguments, but they tend to lead to more intense and frequent fights as well — understandably so, said Divaris Thompson.

“Financial issues lend themselves to more frequent or intense arguments because money is usually not a subject that couples are that up front, honest or proactive about discussing,” she said. “This can lead to blowups down the road.” 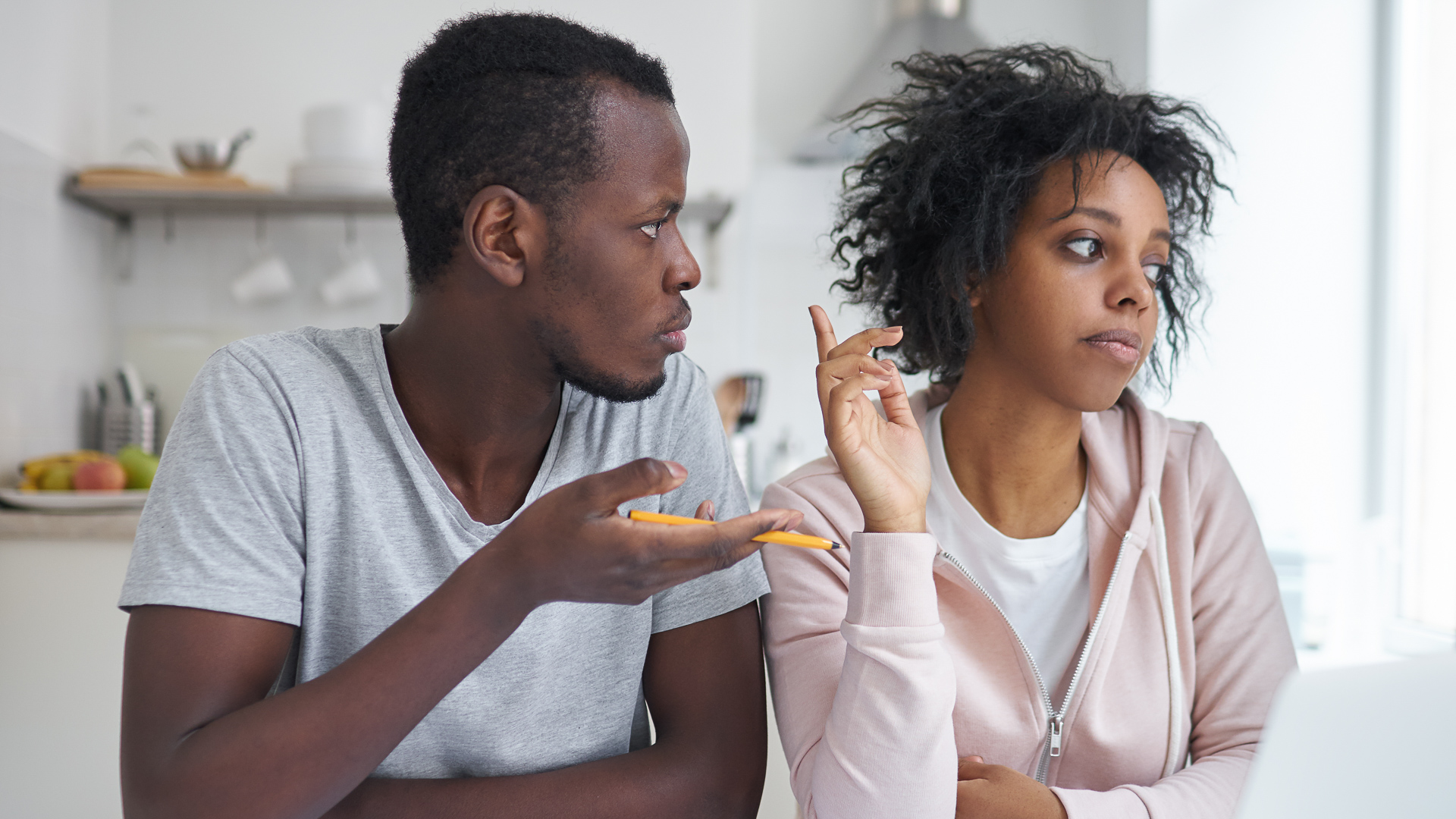 Tip: Have Ongoing Conversations About Your Finances

Improving your communication habits around money and addressing any issues head on to prevent arguments — ideally sooner rather than later — can save you and your spouse a lot of tension, paving the way for longer-lasting relationship bliss.

More Tips on Money and Marriage: How Happy Couples Talk About Money