Can You Believe How Much Astronauts Used To Make? 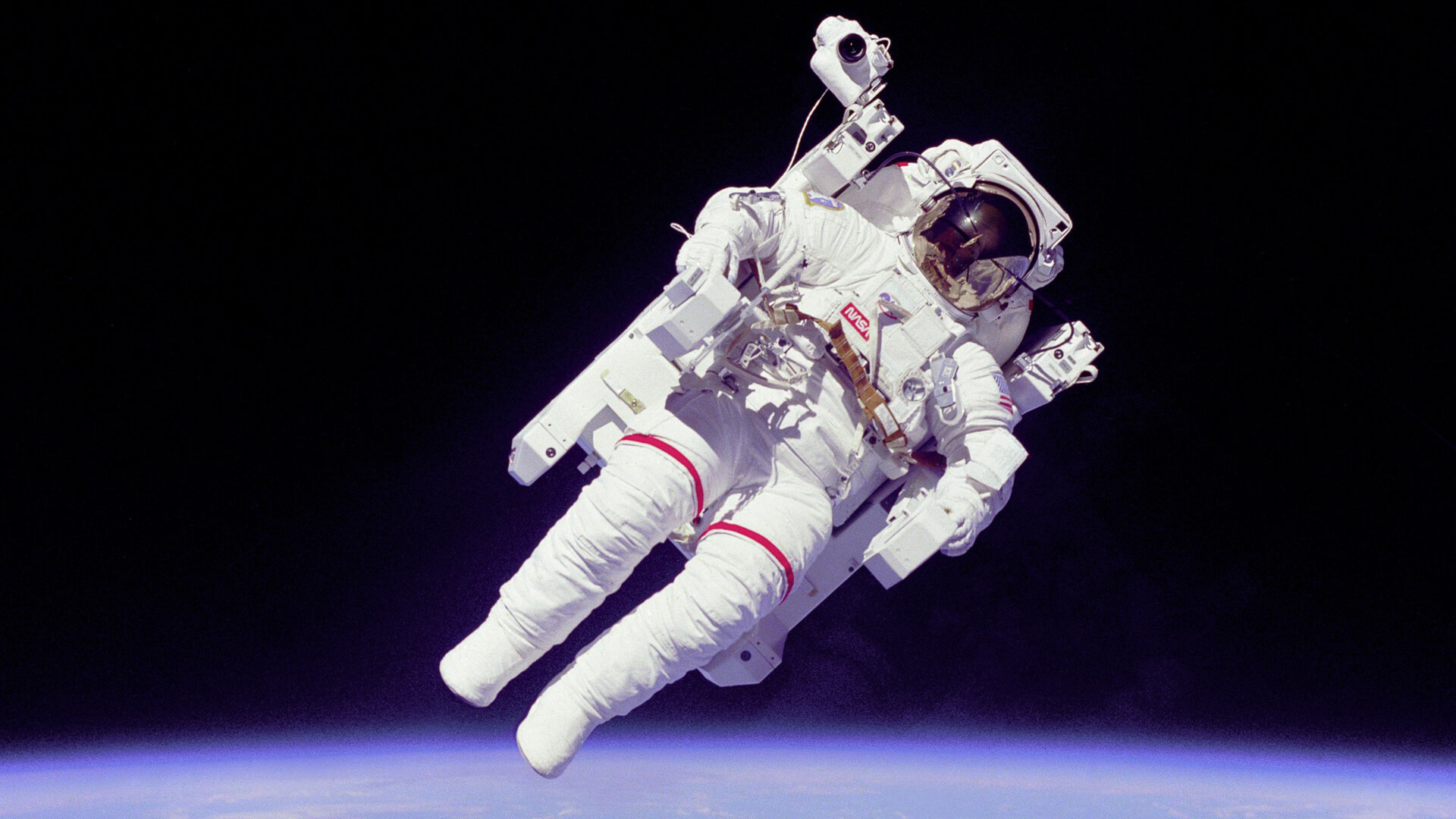 The first group of astronauts was hired by NASA in 1959. From a pool of 500 applicants, seven men were selected to become the first American astronauts, known as the Mercury 7. Initially, these applicants were chosen based on flight experience, engineering training and height — due to the size of the Mercury spacecraft, these men had to be below 5 feet, 11 inches.

Things have changed since then, including both the criteria to become an astronaut and how much these men and women are paid. And while America’s focus hasn’t been on space exploration in a good nine years, the launch of a SpaceX Crew Dragon is piquing people’s interests. After all, what else is there to do doing quarantine?

Find out how astronauts’ salaries have changed over the years and what it would take for you to make it to outer space. 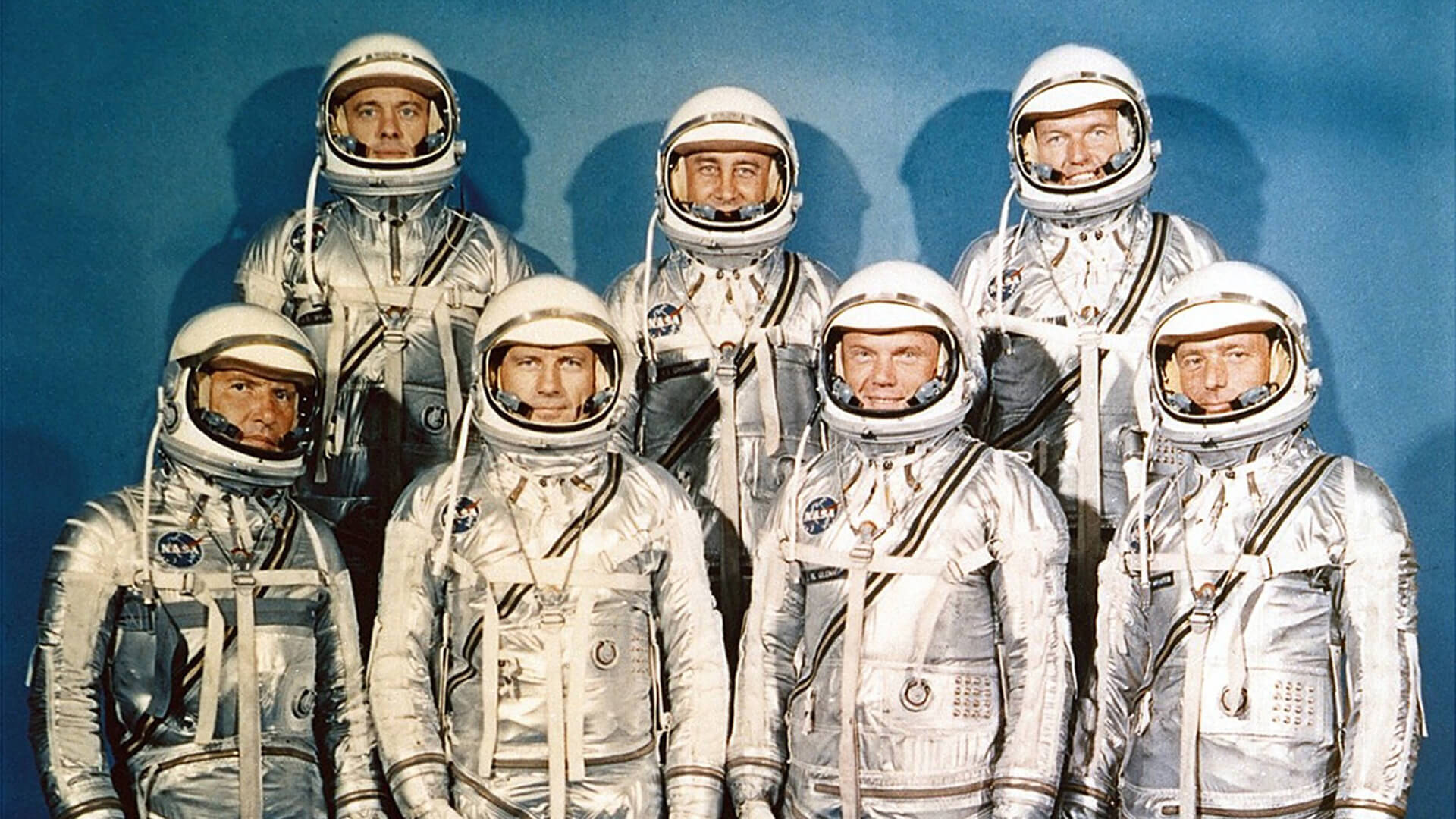 How Much Were the First Astronauts Paid?

The minimum starting salary range for the first group of astronauts was set at $8,330 to $12,770 based on level of experience, according to the book “This New Ocean: A History of Project Mercury.” Keep in mind that these salary ranges were set in late 1958, so that amounts to a lot more in 2019 dollars — in modern money, that would equal a salary range of $73,815 to $113,159 — which isn’t bad considering these were the starting salaries. 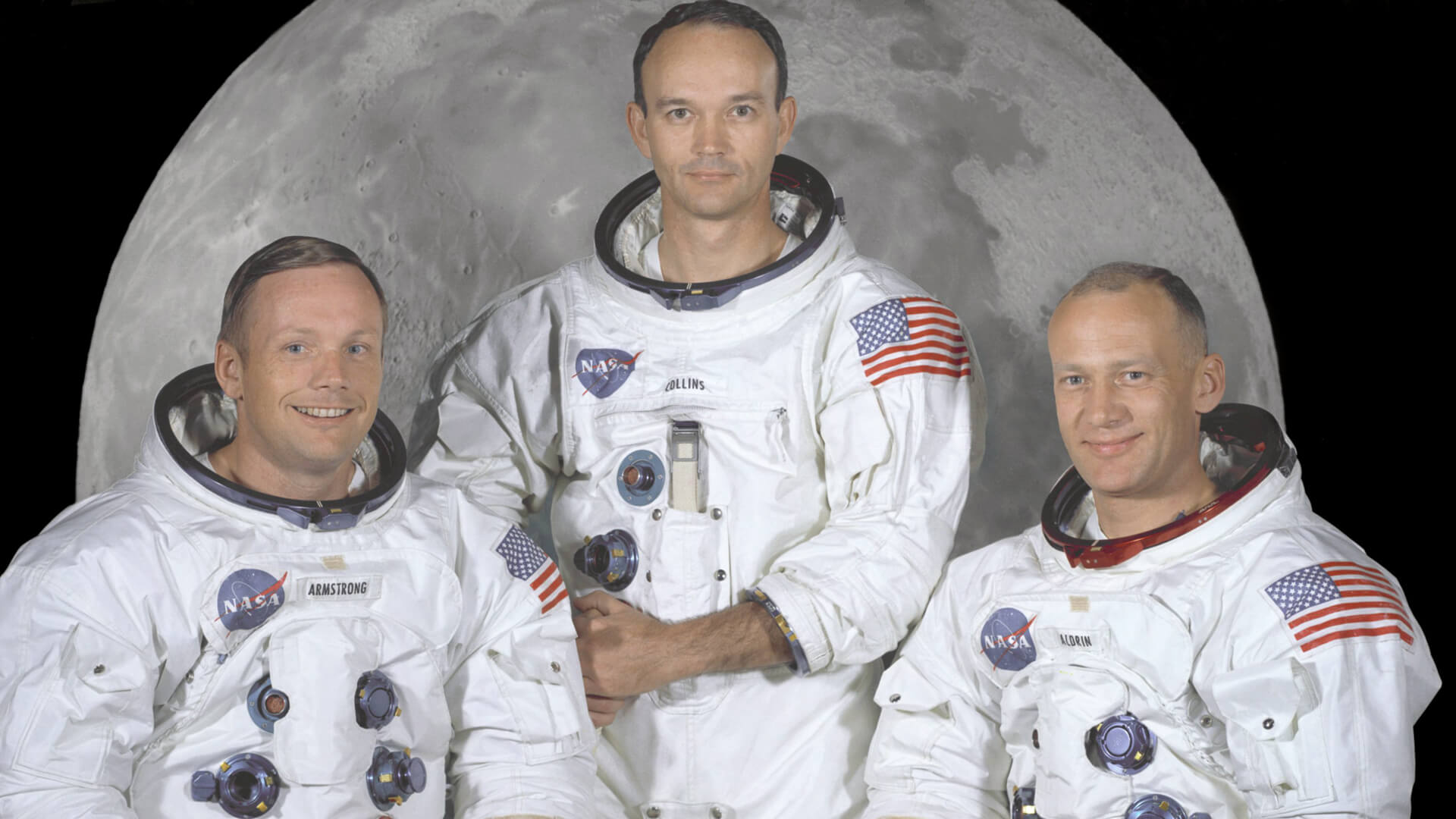 How Much Were the Apollo 11 Astronauts Paid?

In 1969, Commander Neil Armstrong, Command Module Pilot Michael Collins and Lunar Module Pilot Edwin “Buzz” Aldrin completed the Apollo 11 mission to land on the moon and return to earth, with Armstrong and Aldrin becoming the first two humans to walk on the moon.

The Apollo 11 crew is among the most famous NASA astronauts — but they didn’t get any special treatment in terms of salary.

Find Out: What the Average Take-Home Salary Looks Like in Your State 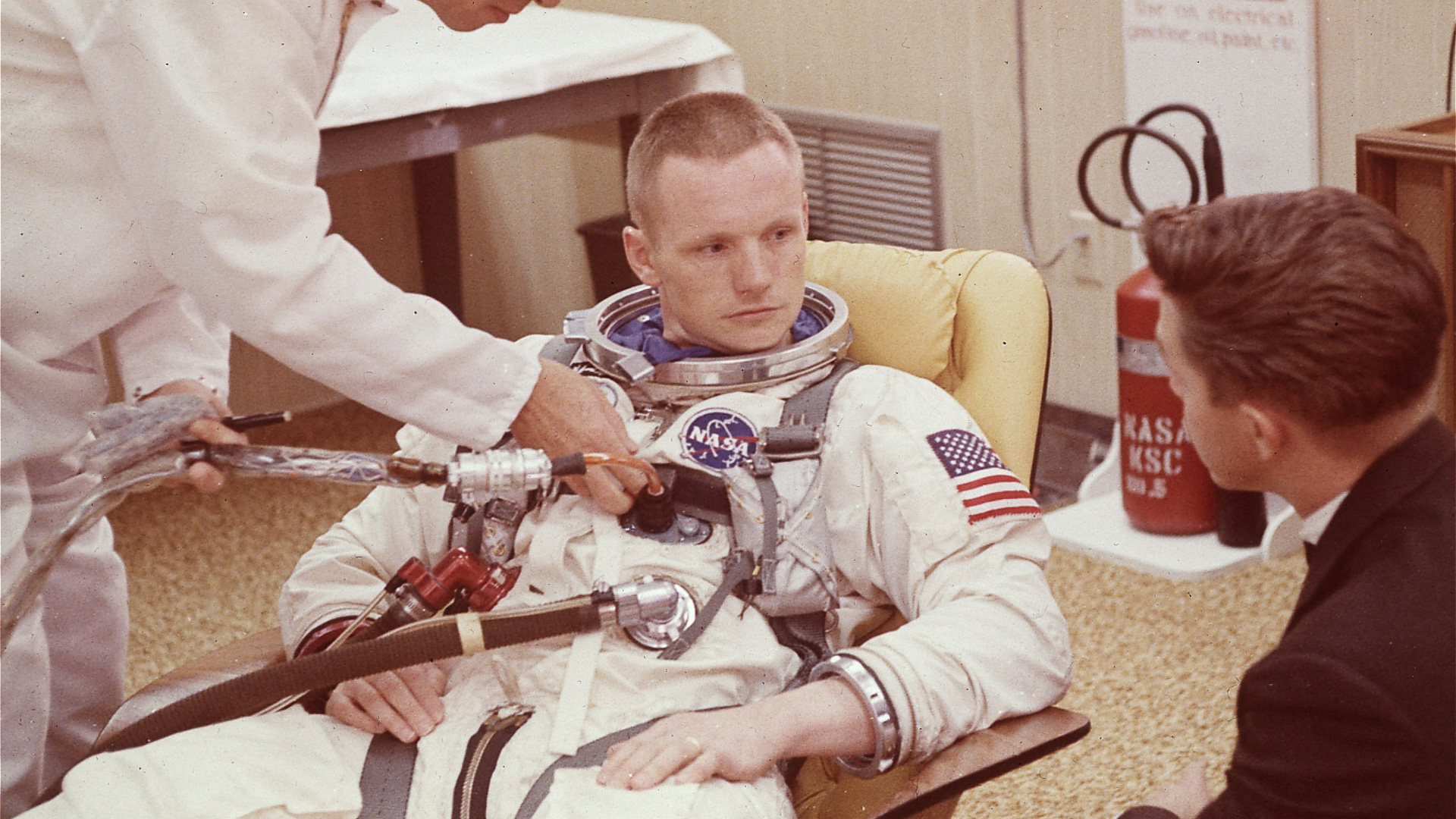 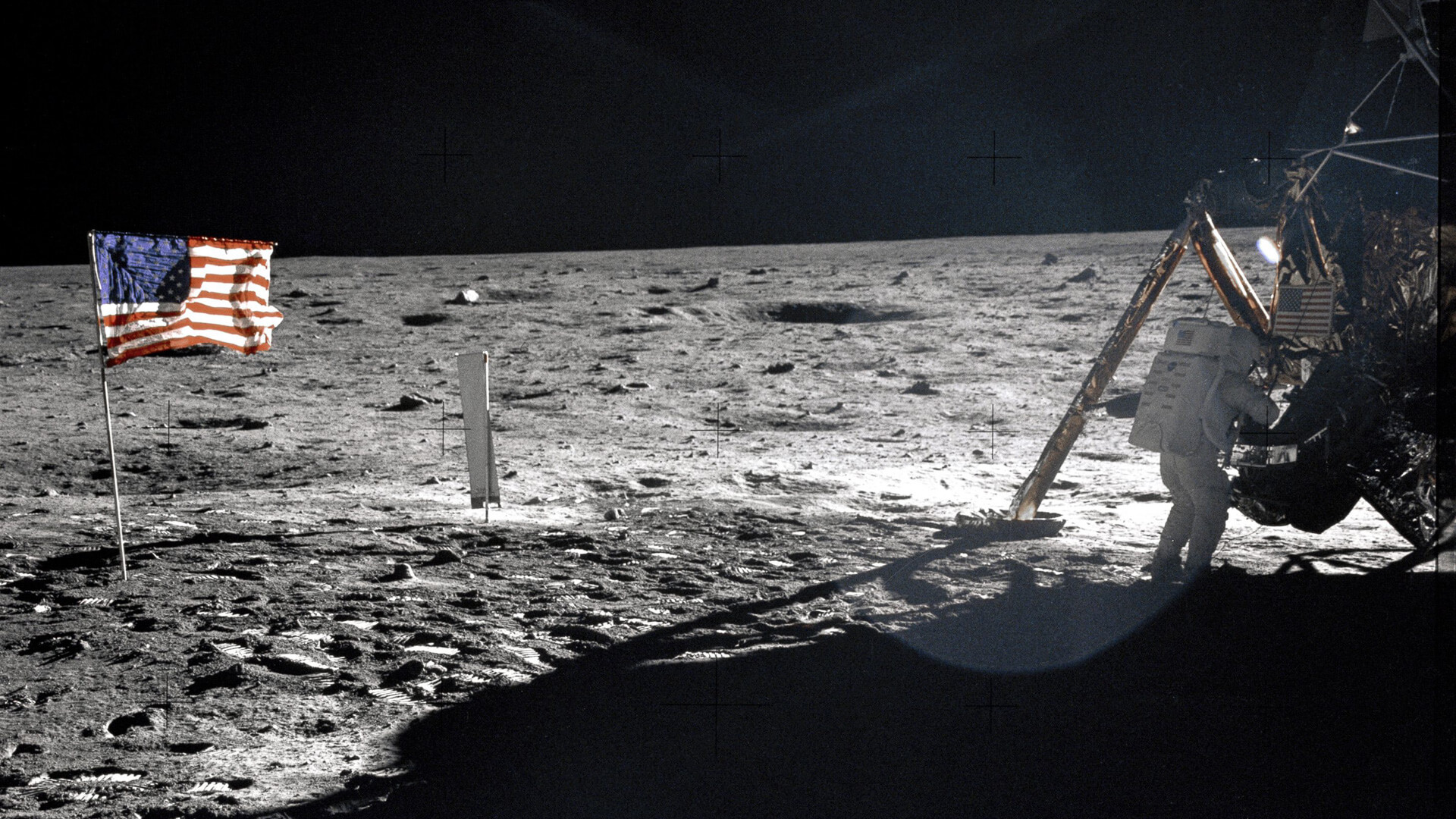 How Much Armstrong Was Paid To Walk on the Moon

Armstrong’s historic moonwalk lasted two hours and 40 minutes. Based on his salary and a 40-hour work week, that means he would have been paid roughly $33 for his time on the moon. Accounting for inflation, Armstrong was paid $230 in 2019 dollars — so it seems like NASA really got a bargain considering the giant, history-making risk Armstrong was taking. 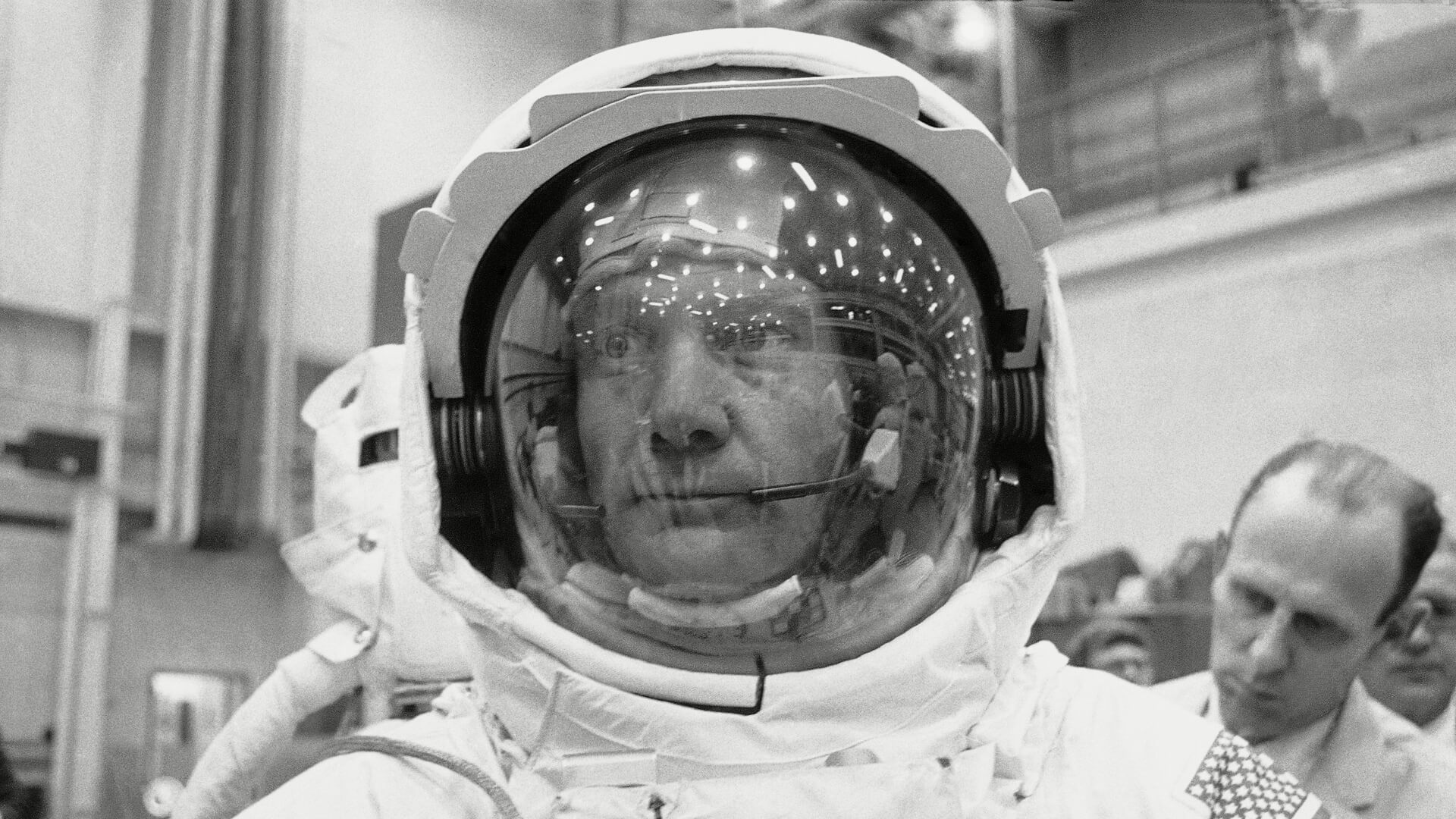 Aldrin also risked his life in the name of space exploration, and he earned a salary of $18,623. This included base pay, quarters, subsistence allowance and flight pay, according to the Boston Herald. In 2019 dollars, his salary would amount to $129,598. 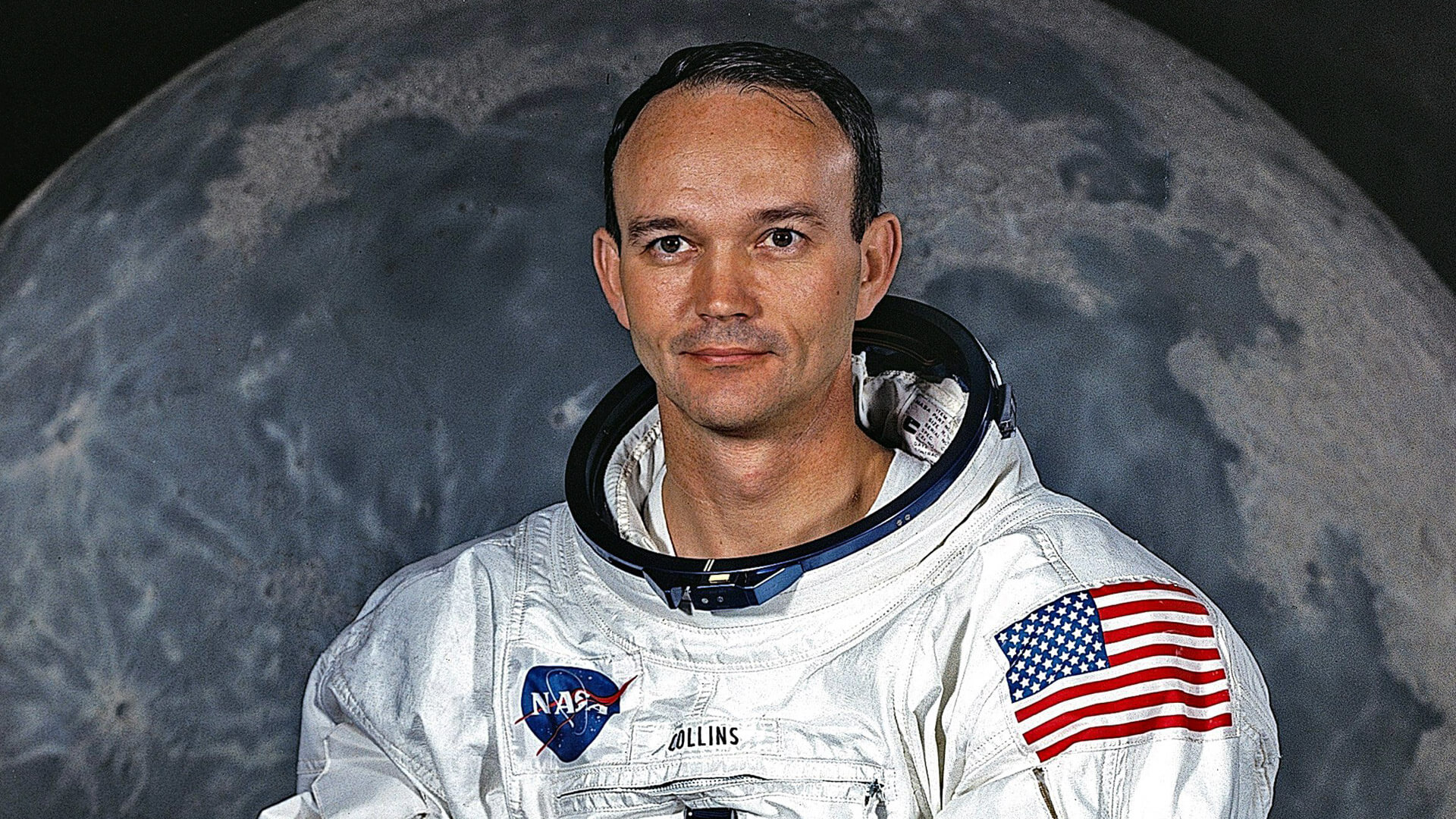 Collins, the third astronaut on the iconic Apollo 11 mission, earned a salary of $17,148 a year including fringe benefits, the Boston Herald reported. That salary today would amount to $119,333. 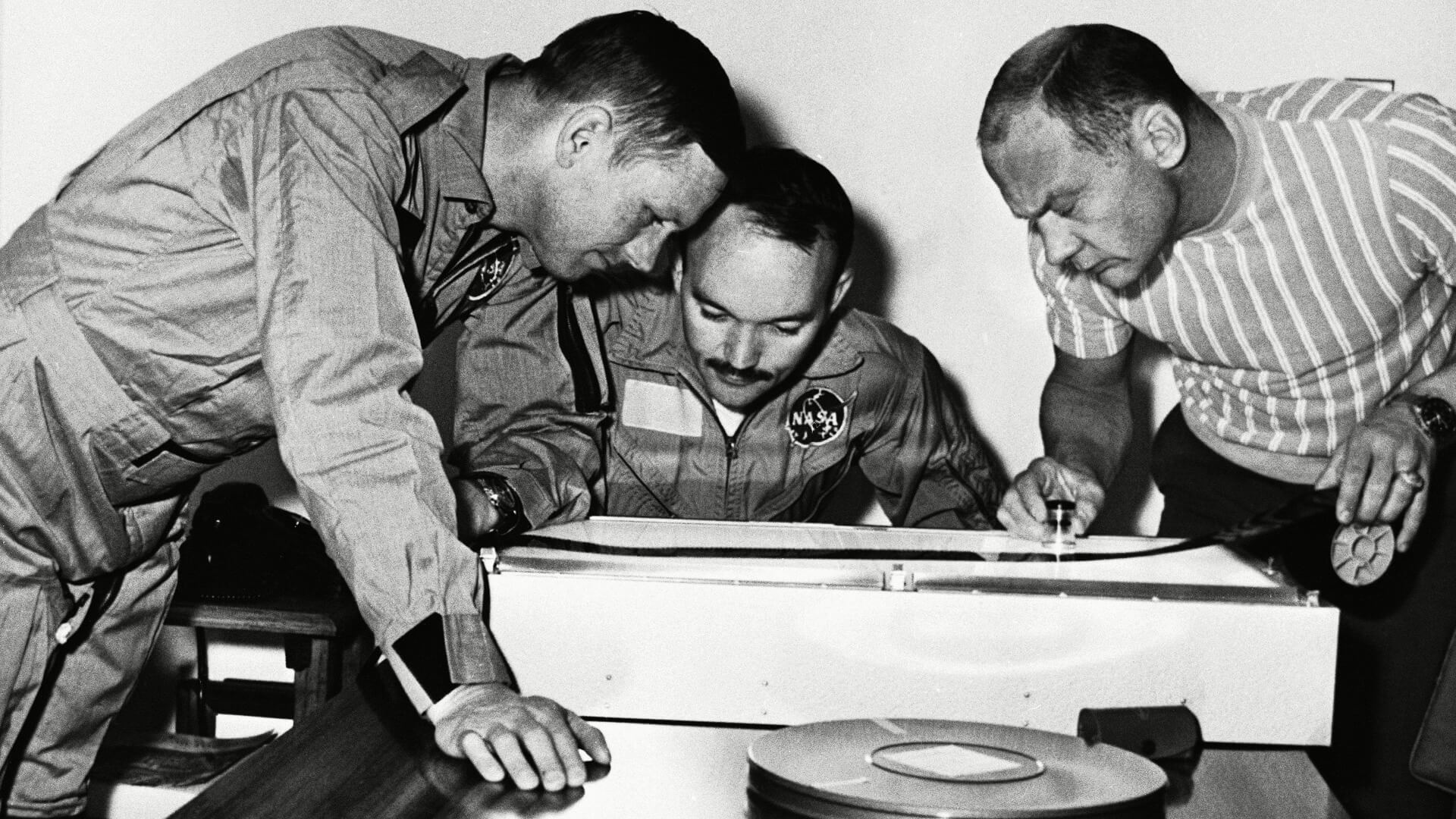 At the time of the Apollo 11 mission, the per diem the astronauts received was the same whether they were on the moon or back at the base, according to the book “Moondust: In Search of the Men Who Fell to the Earth.” And how much was that per diem? Eight dollars a day — before deductions, which included the accommodations the government was providing on the spaceship. That’s about $56 in 2019 dollars, which actually isn’t too bad considering there isn’t anything to spend money on while on the moon. 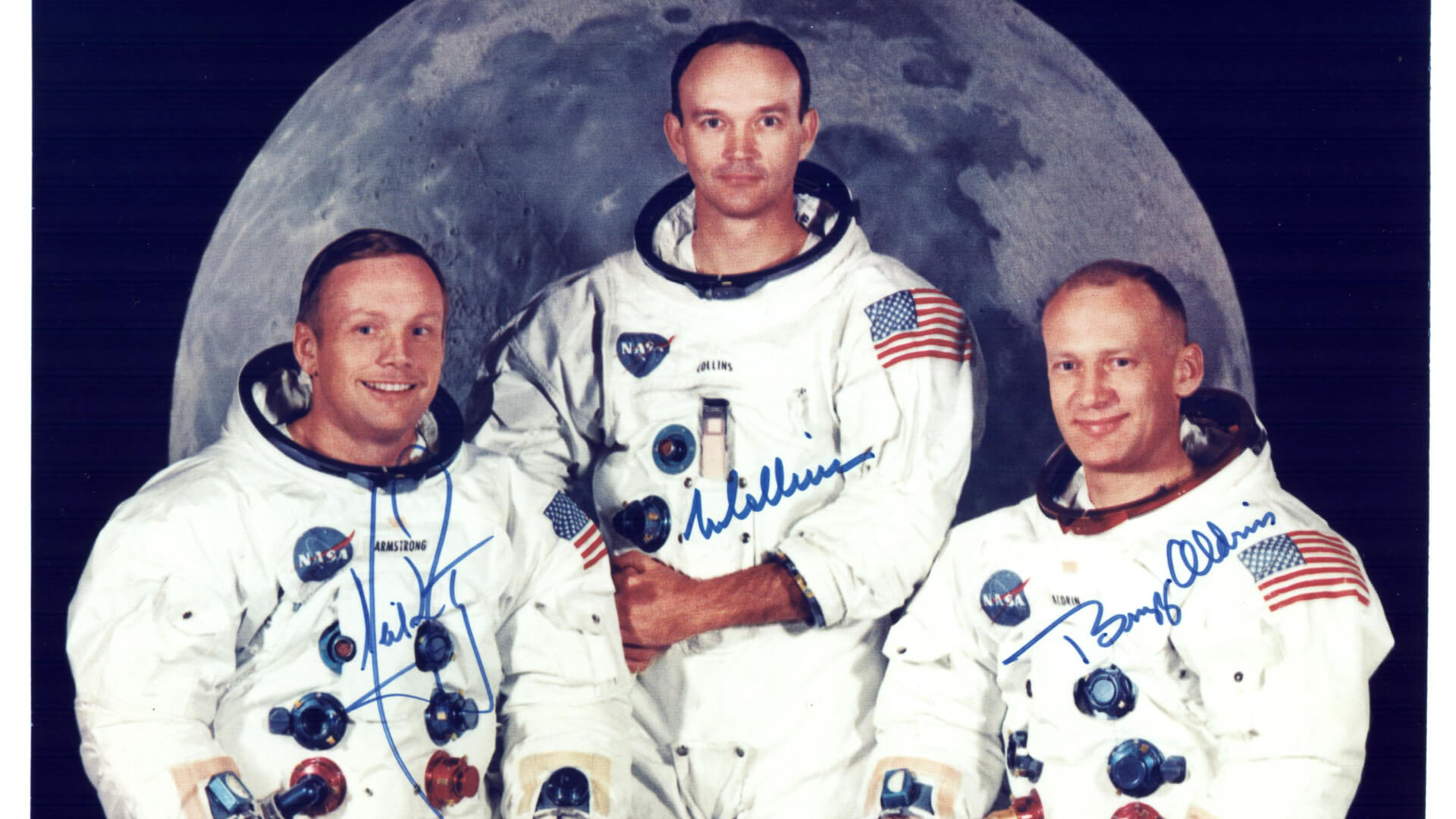 In 1969, life insurance was not part of the astronauts’ government-provided benefits package, and Armstrong, Aldrin and Collins reportedly couldn’t afford to pay for it on their own. But they were determined to provide for their families in the event that they lost their lives during their Apollo 11 mission, so they got creative. According to UK Insurance Net, the astronauts signed autographs that came to be known as “insurance covers” that their families could sell in the event they died. These signed covers could fetch upwards of $5,000 at auction today, according to Collectors Weekly. 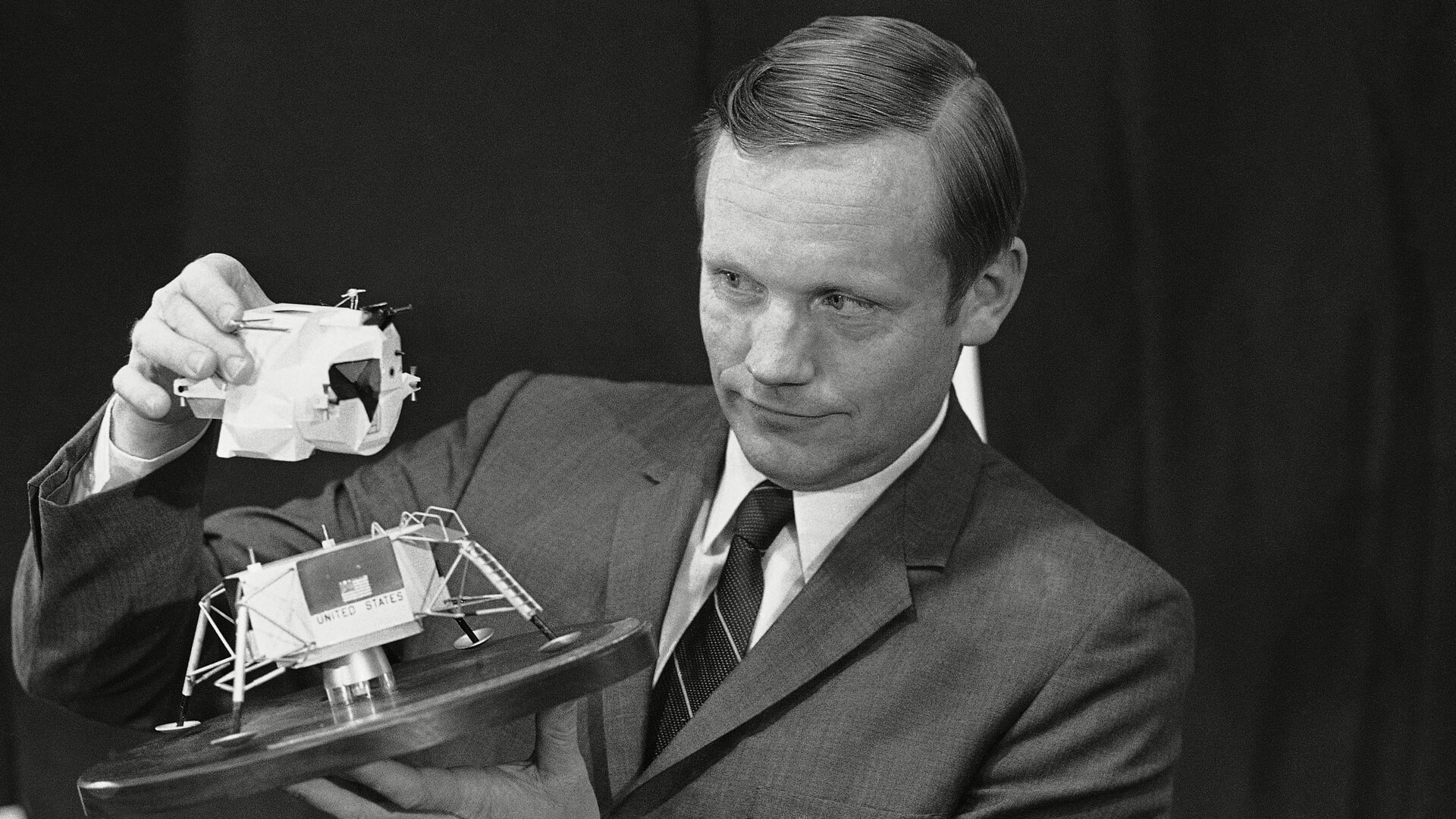 Armstrong came a long way from not being able to afford life insurance. His estate’s current net worth is $8 million, according to Celebrity Net Worth.

After retiring from NASA in 1971, Armstrong worked as a professor at the University of Cincinnati, and later as the chairman or director of several companies, including Computing Technologies for Aviation and AIL Systems. He also served on the National Commission on Space and the Presidential Commission on the Space Shuttle Challenger. Armstrong died in 2012. 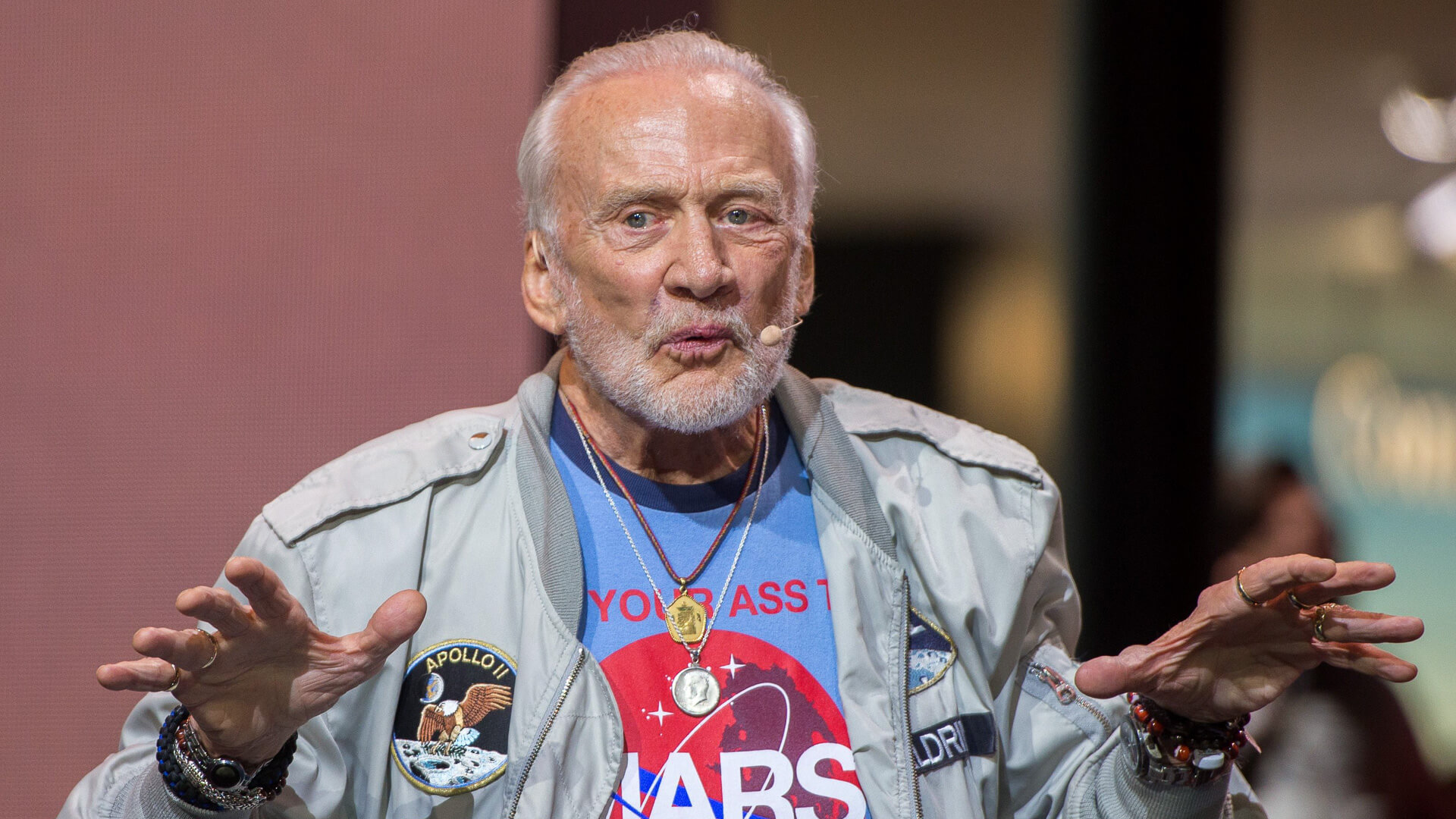 Aldrin now has a net worth of $12 million, according to Celebrity Net Worth. He continues to advocate for human space exploration as a Global Stateman for Space and creator of think-tank the Human SpaceFlight Institute.

Aldrin is also the author of nine books, including the children’s book “Welcome to Mars: Making a Home on the Red Planet” and the New York Times bestseller “No Dream Is Too High: Life Lessons From a Man Who Walked on the Moon.”

Check Out: The Top 10 Most Dangerous Jobs in America 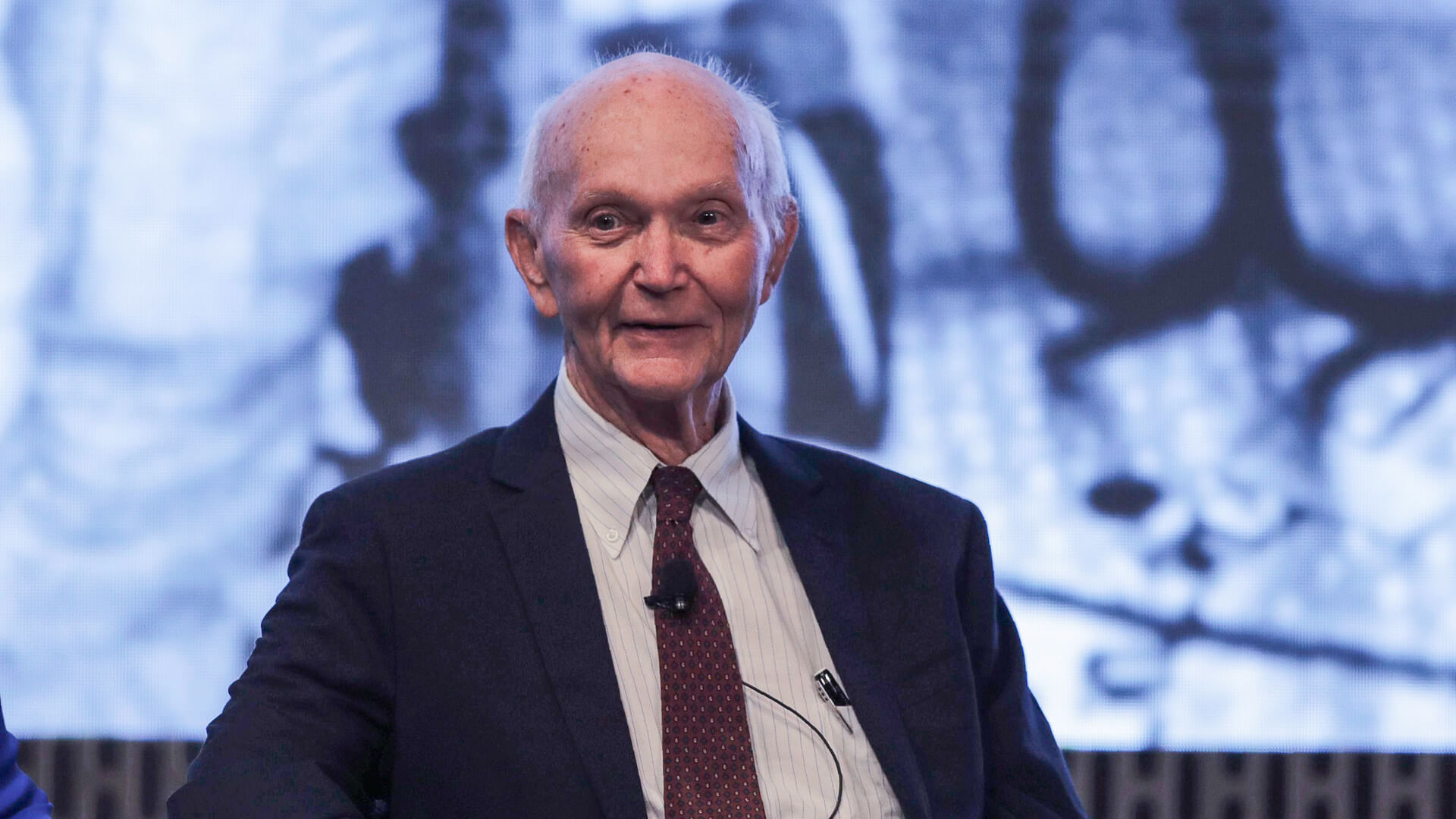 Although Collins’ net worth is unknown, he’s had a successful career post-Apollo 11. Collins has worked as the assistant secretary of state for public affairs, the first director of the National Air and Space Museum, undersecretary of the Smithsonian Institution and vice president of field operations for the Vought Corporation. He has also written four books, including “Carrying the Fire” about the Apollo 11 mission. 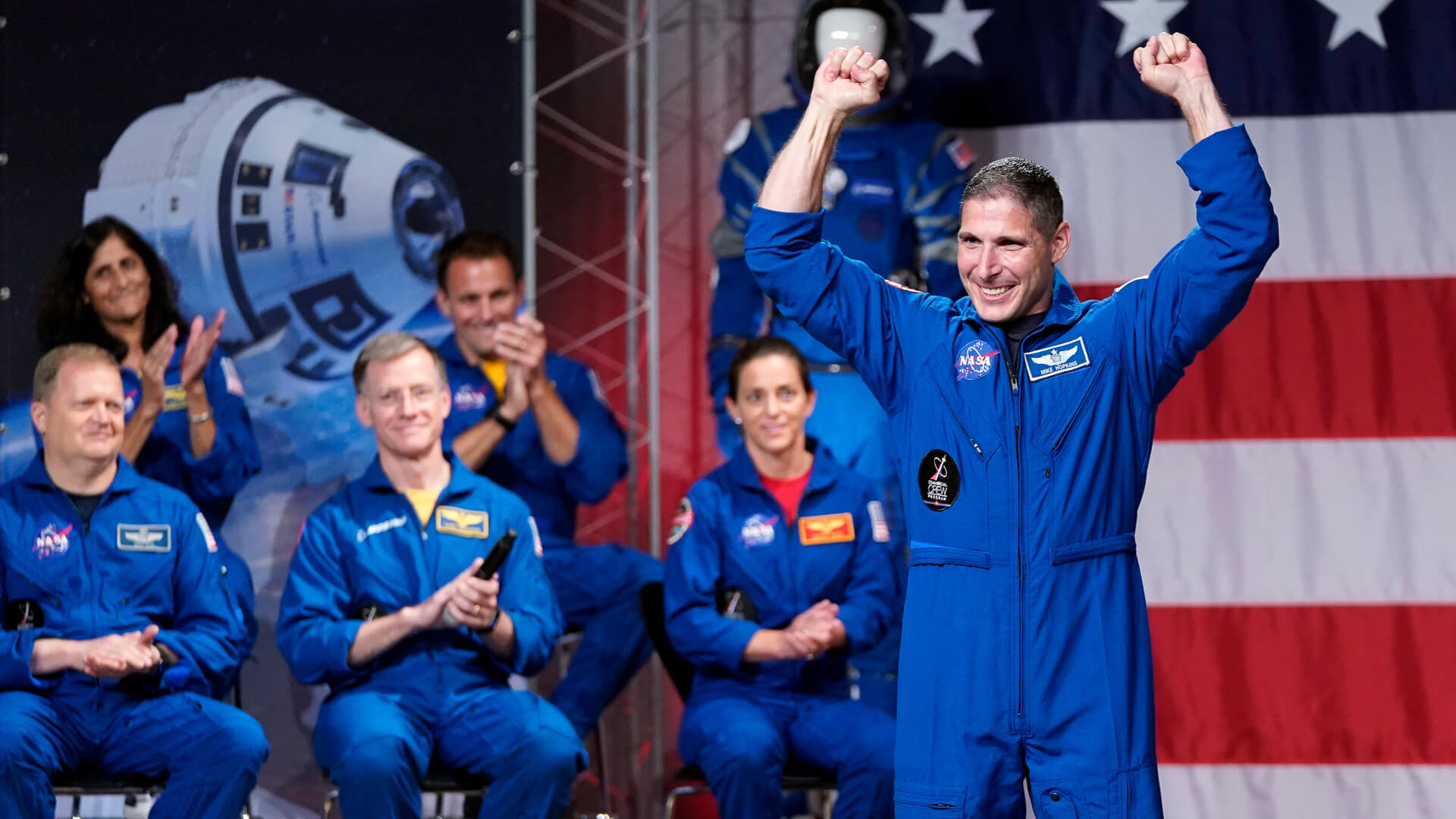 How Much Do Astronauts Make Today?

Armstrong and the Apollo 11 crew were among the highest-paid astronauts of their day, and they made far more than astronauts who are just starting out in their careers today.

Astronauts are paid according to the federal government’s General Schedule pay scale, and they can fall on the GS-11 through GS-14 pay grades. The pay grade is based on an astronaut’s academic achievements and experience. The starting salary for GS-11 employees is $53,805. 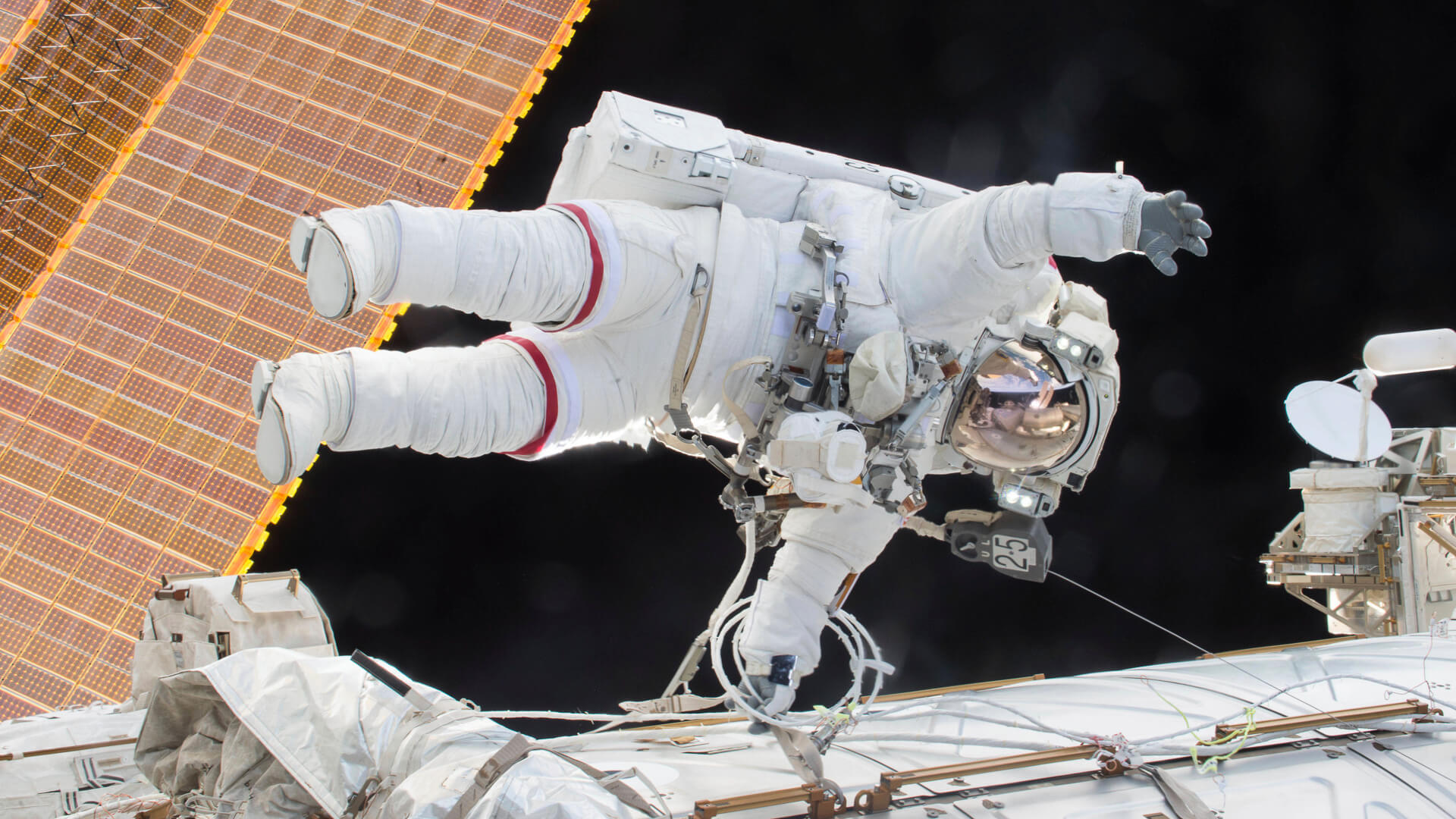 The middle pay grades for astronauts are G-12 and G-13; each grade is divided into 10 steps, which depend on seniority and/or performance. 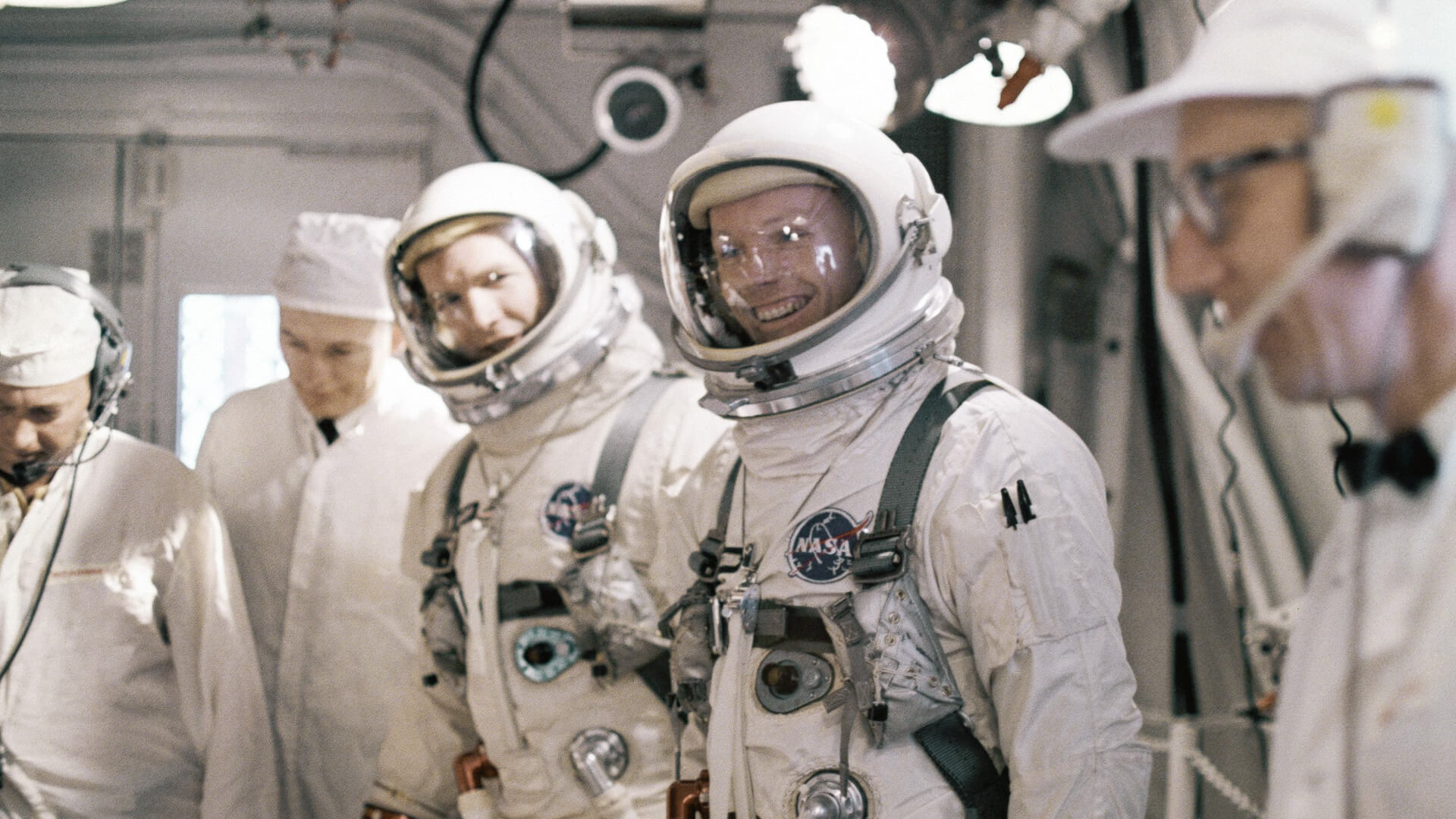 How Much Do the Highest-Paid Astronauts Make?

The highest-paid GS-14 employees earn a salary of $117,810. So comparatively, the Apollo-11 astronauts were well paid. 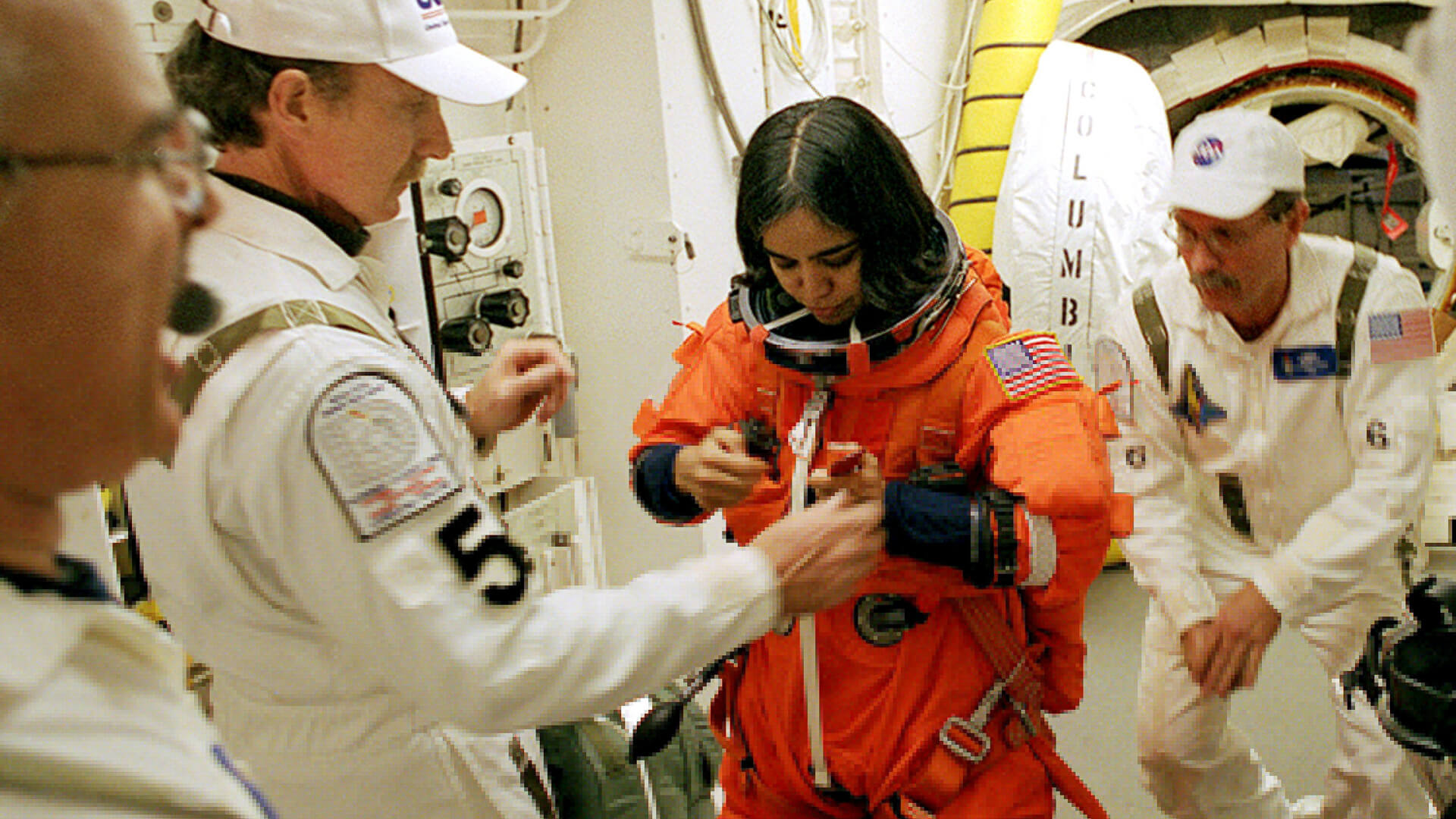 The Benefits of Being an Astronaut

In addition to competitive salaries, NASA employees are civil-service employees and are therefore entitled to a number of benefits. These include flexible work and leave programs, cost of living salary increases, employer-subsidized HMO and fee-for-service health plans, paid sick and annual leave, enrollment in the Federal Employees Retirement System and Thrift Savings Plan eligibility. And yes, astronauts now get life insurance through the government-wide Federal Employees Group Life Insurance. 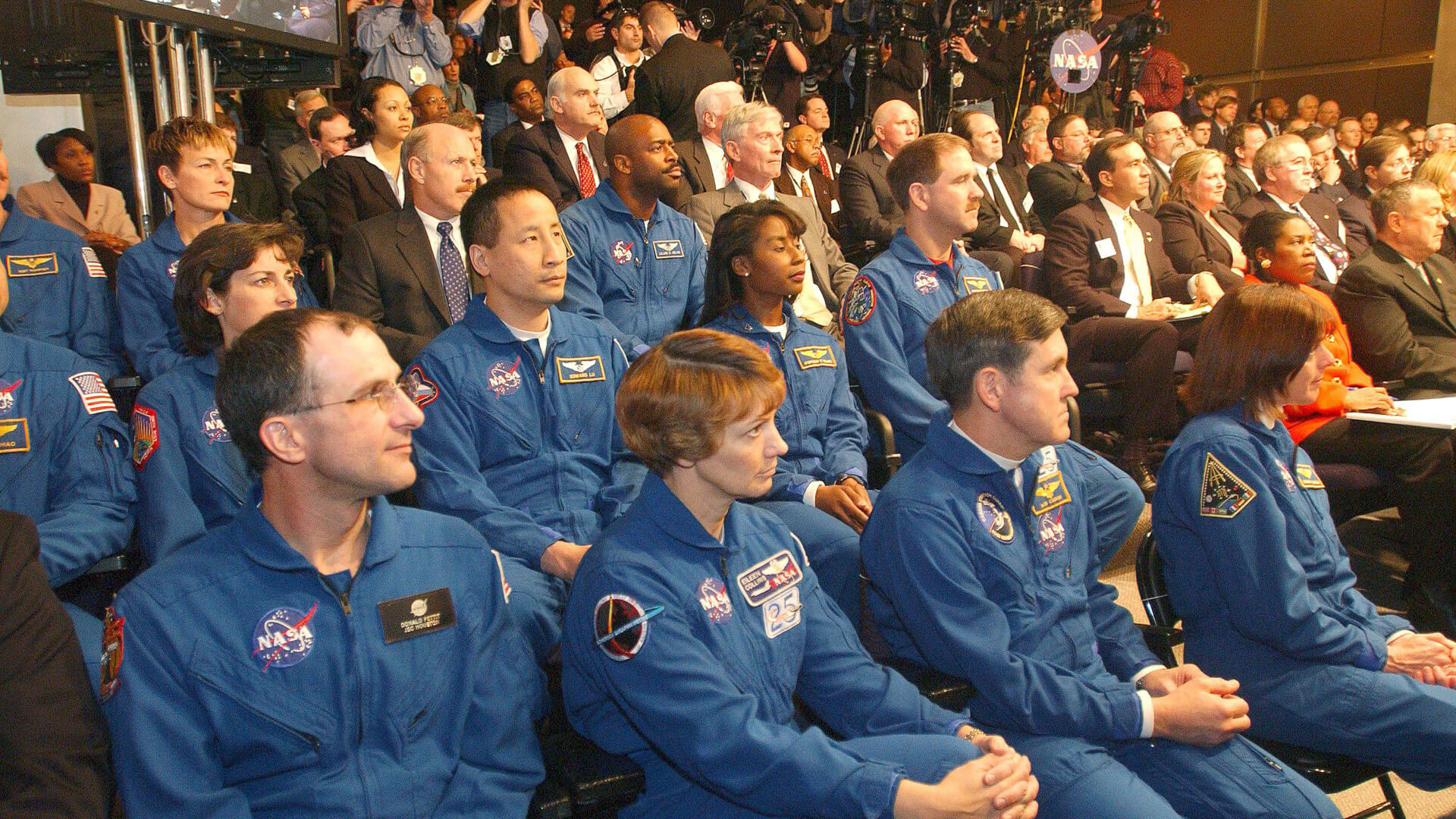 Education Requirements To Become an Astronaut

Many people dream of going to outer space, but it’s not easy to get one of the coveted jobs at NASA. To become a NASA astronaut, you must be a U.S. citizen and meet three other qualifications, the first of which is an education requirement. Potential astronauts must have a bachelor’s degree in engineering, biological science, physical science, computer science or mathematics.

Read: 30 Jobs That Aren’t Worth Their Education Requirements 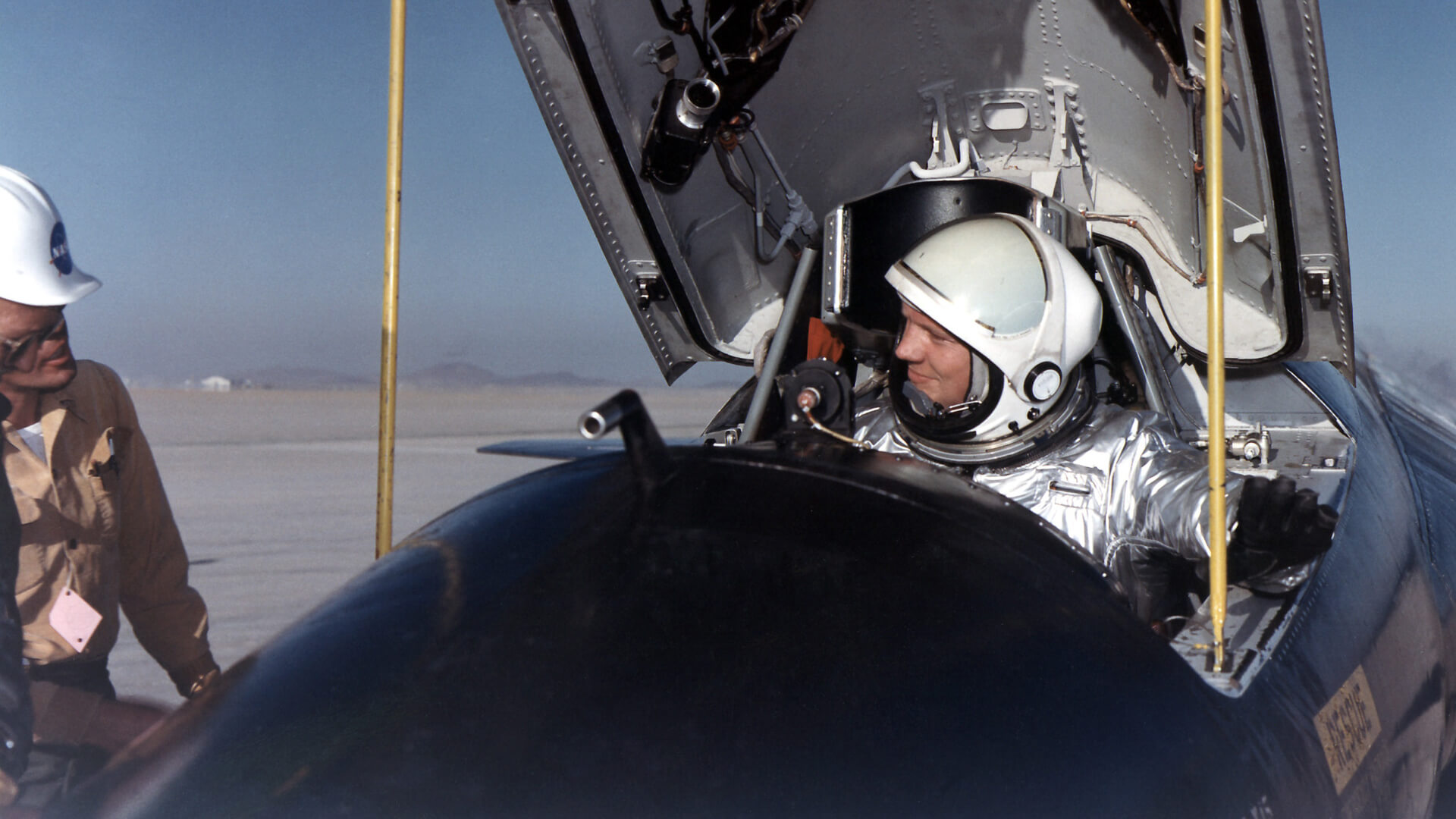 Experience Requirements To Become an Astronaut

The second thing all potential astronauts must have is experience — either a minimum of three years of related professional experience obtained after degree completion or at least 1,000 hours pilot-in-command time on a jet aircraft. 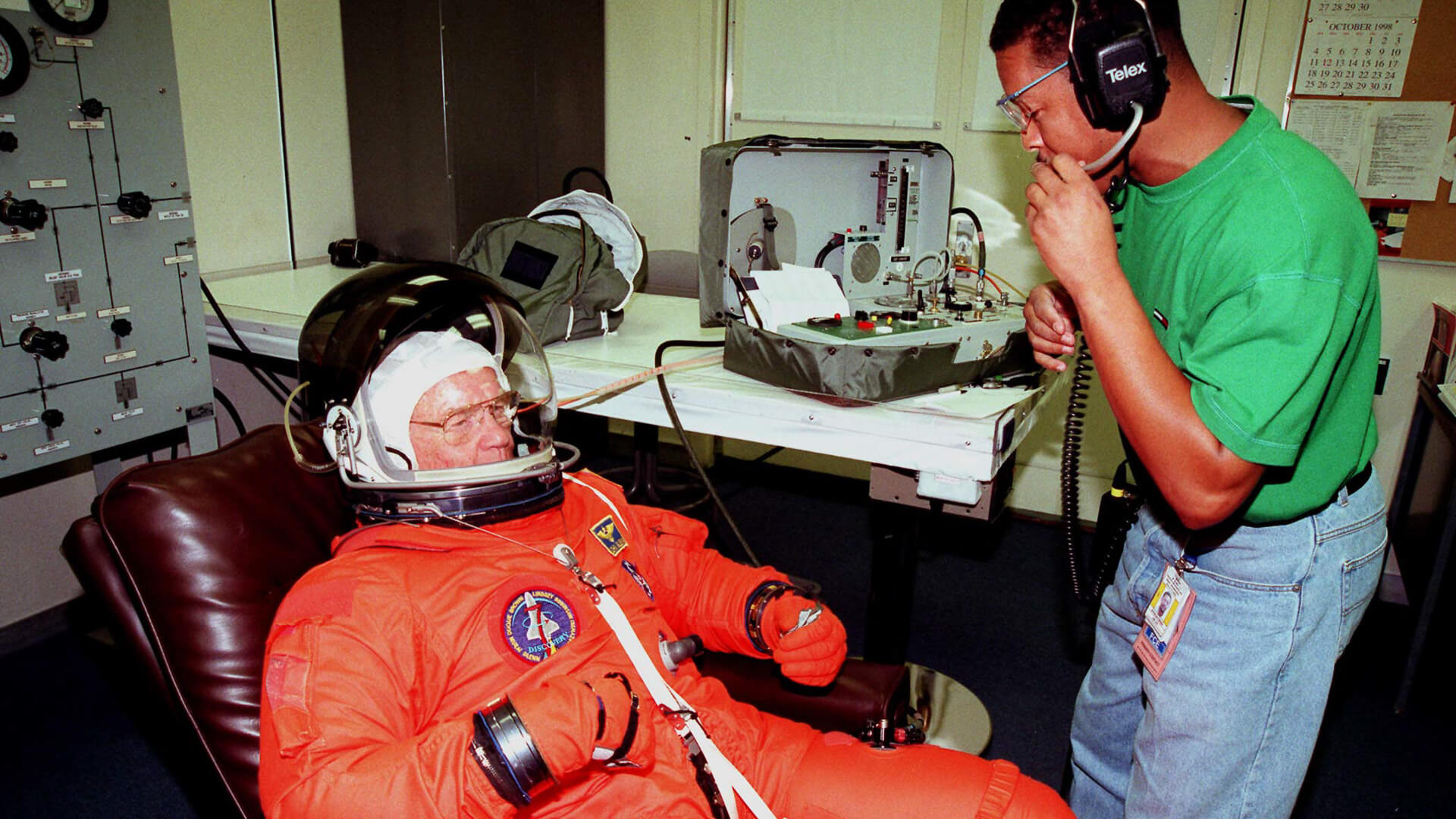 Physical Requirements To Become an Astronaut

Meeting the education and experience requirements isn’t enough — you also have to be physically up for the challenge of working in space. Astronauts must pass the NASA long-duration physical and have 20/20 vision, with or without corrective lenses.

Other physical requirements include having blood pressure that does not exceed 140/90 and a height between 5 feet, 1 inch tall and 6 feet, 3 inches tall. 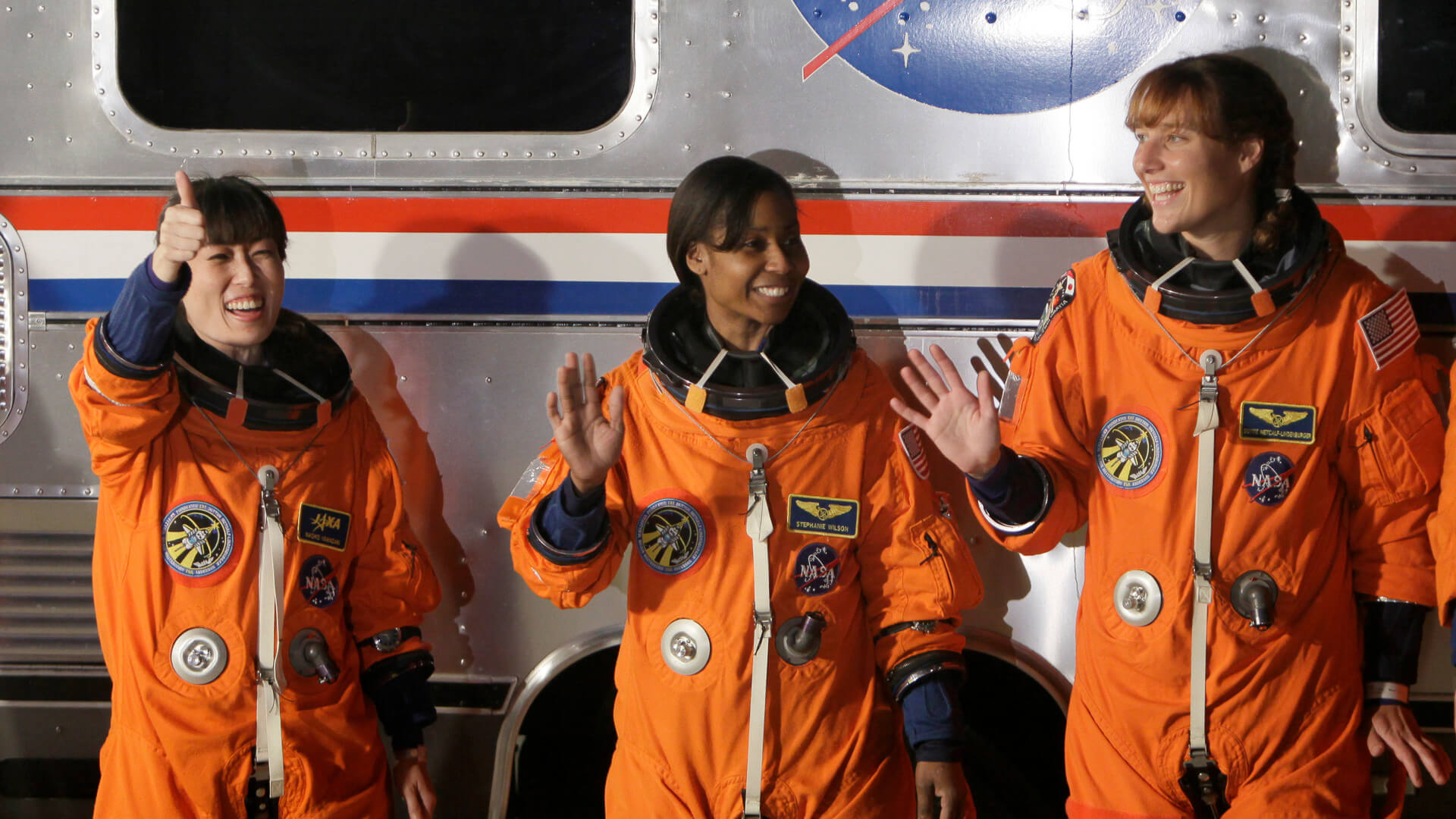 Candidates who meet all three astronaut requirements and pass the initial screening must go through a week-long process of interviews, medical screenings and orientations.

In 2016, a record 18,300 people applied to be astronauts, and of that pool, only 120 were invited for interviews. Half of those people made it to the second round of interviews, and only 12 were selected to move on to the training program, CNN reported. 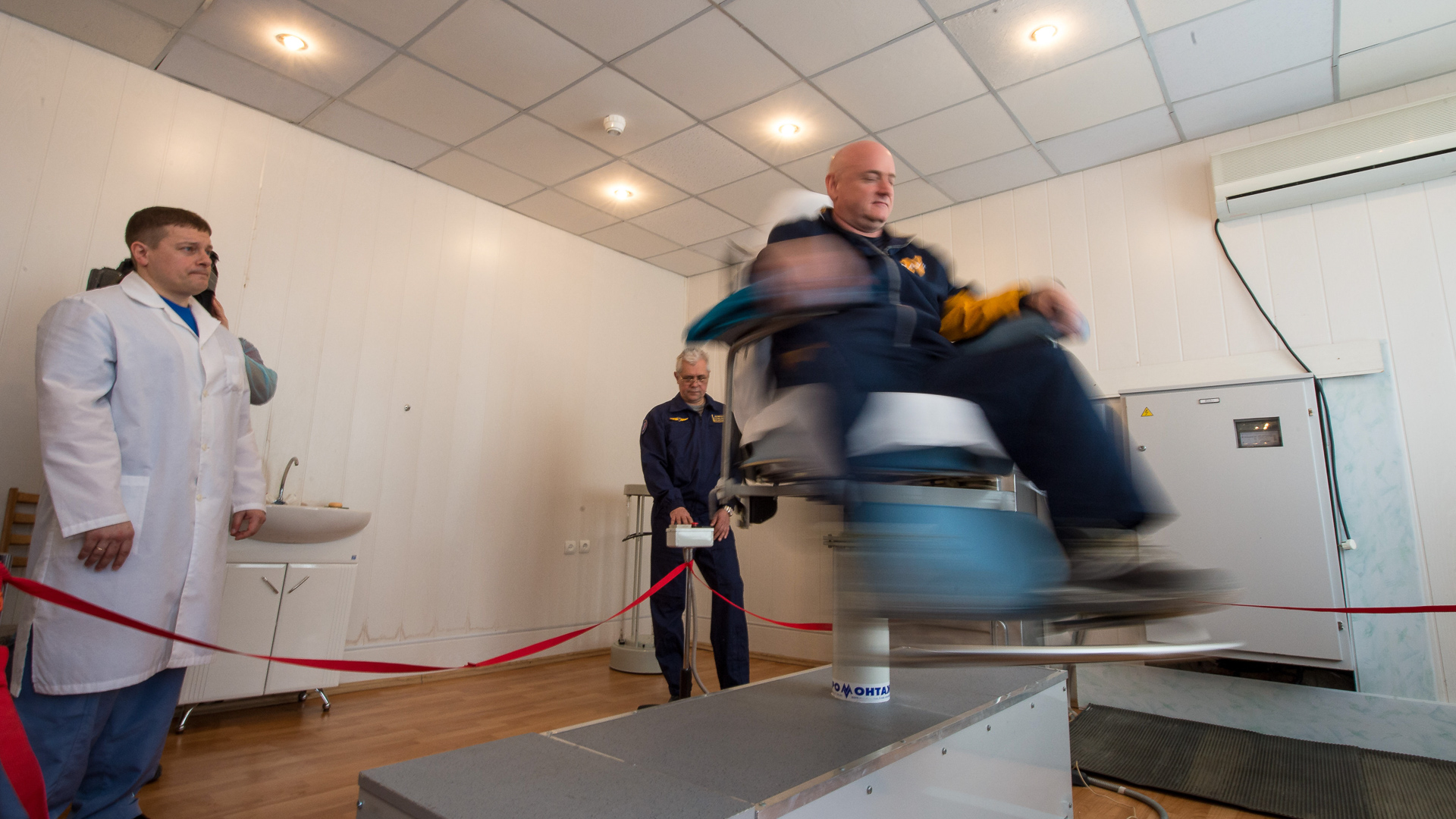 Making it to the training phase is a huge feat, but the process of becoming an astronaut has really only just begun — the training program takes approximately two years to complete. 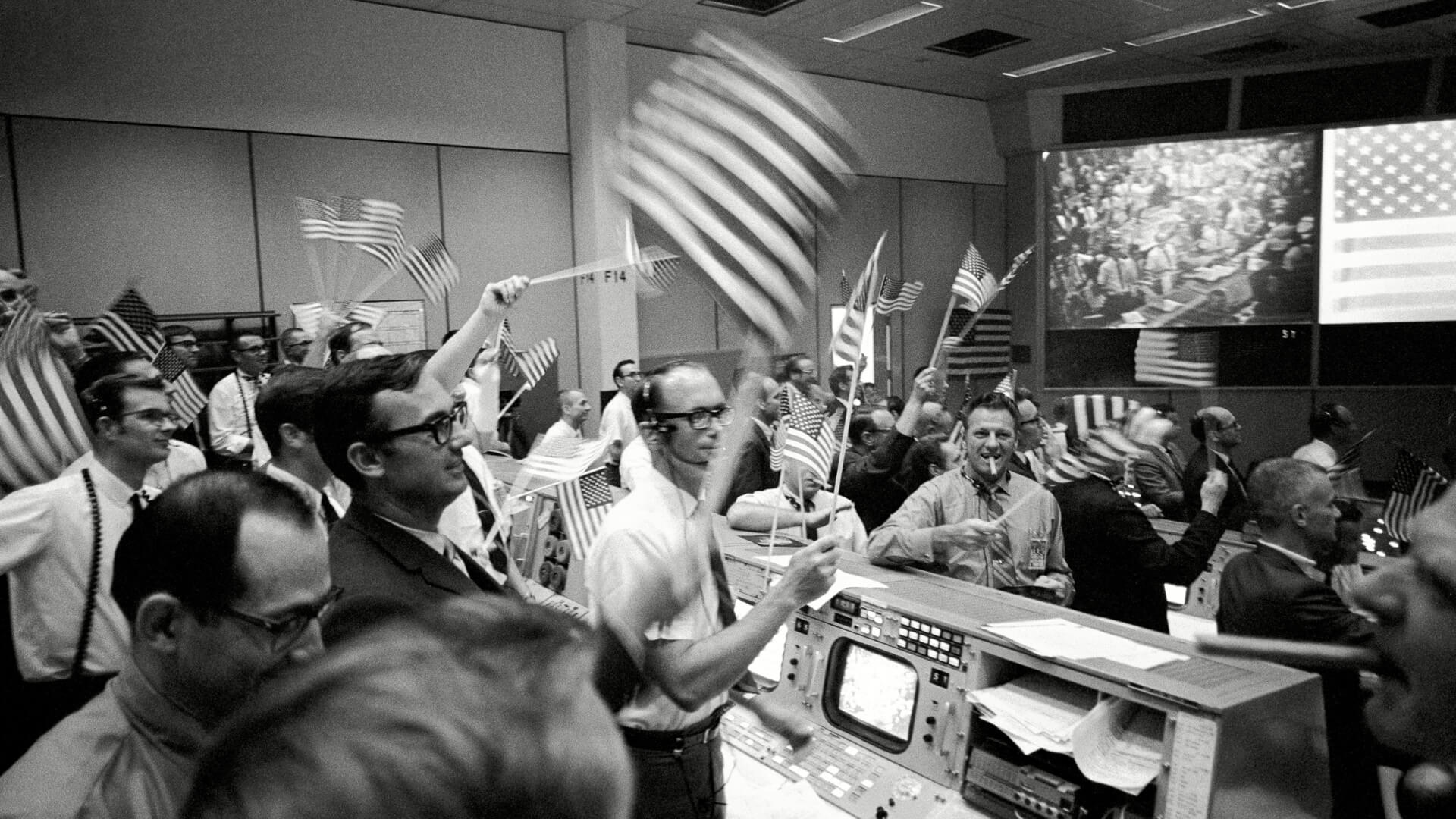 The highest-paid astronauts earn a salary of $117,810, but the experience of working for NASA can be priceless.

As NASA writes on its official benefits page, “Your NASA job is the greatest benefit of all. When you put the whole package together — our work, the pay, the benefits, being part of the NASA family — we truly have some of the best jobs on Earth … or above it!”