Car Upgrades You Should Never Spend Your Money On 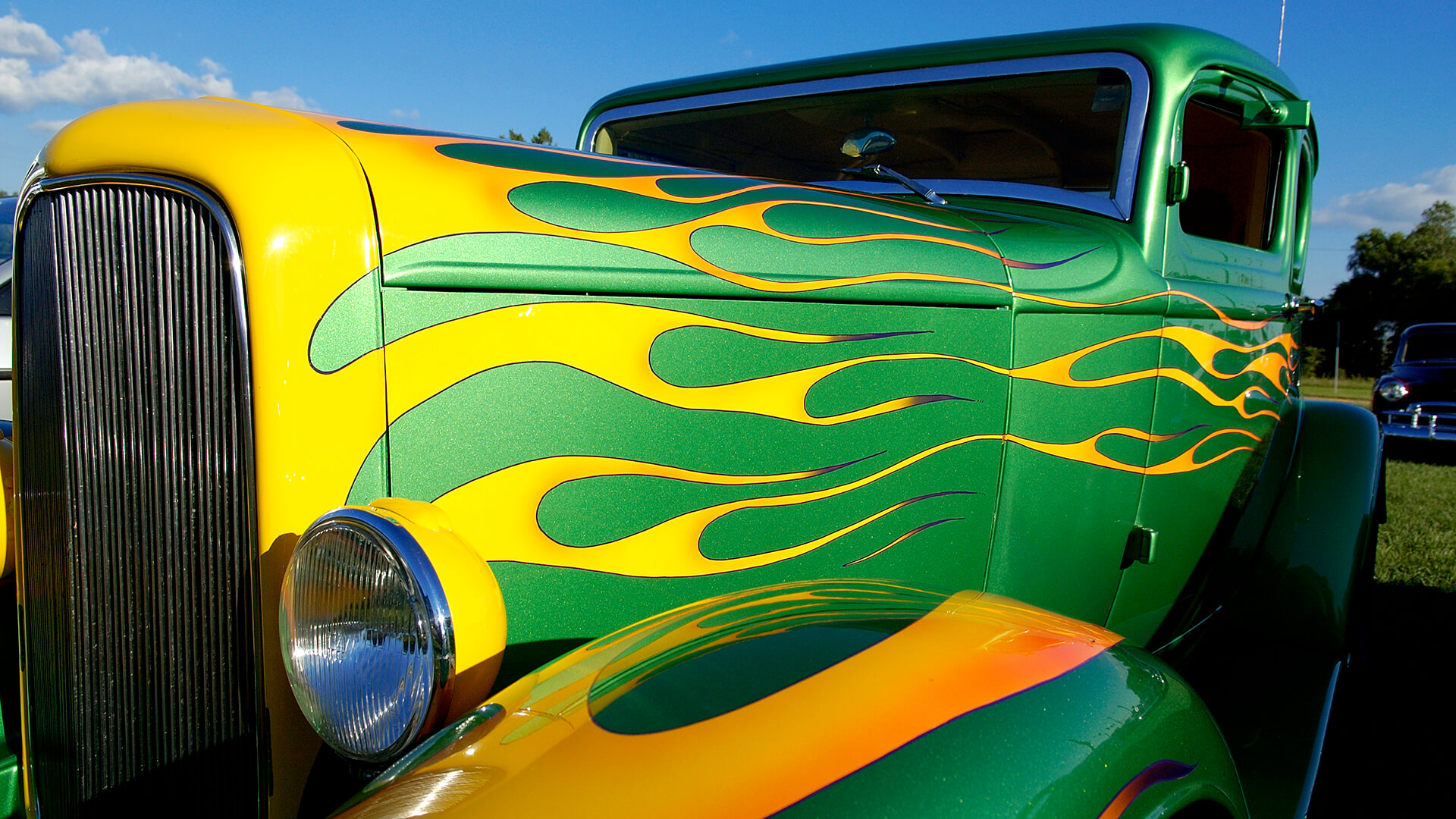 When you’re buying a new car, you might be tempted to spring for one of the upgrades from the laundry list that your dealer will try to sell you on. Or, you might want to make an aftermarket modification to your vehicle to upgrade the base model you purchased.

While some upgrades are worth the money, others are not. These upgrades either flat out don’t work, offend the senses, lower a car’s resale value or even make the car more dangerous to drive. In case you’re thinking of modifying your ride, here are 27 car upgrades you should steer clear of. 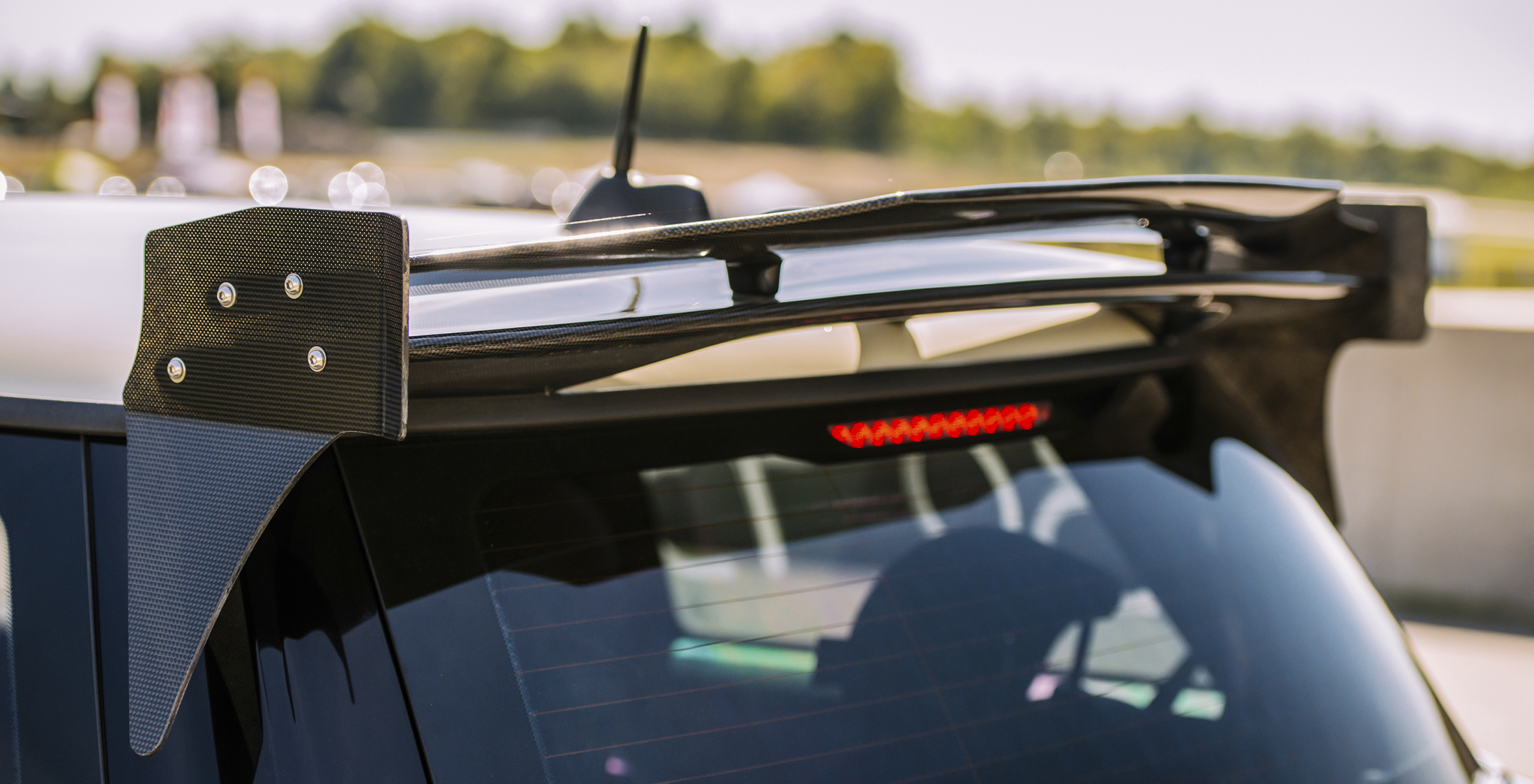 Unless you commute to work in a Formula 1 race car, avoid this car modification. Because whatever the race car driver in you might think, it does not look cool, said Matt Degen, senior associate editor for Kelley Blue Book’s KBB.com. “Let’s be honest: If your car had the kind of performance that demanded the stability and downforce for which a wing is intended, it would already come with it,” Degen said. “Slapping one on isn’t fooling anybody.” 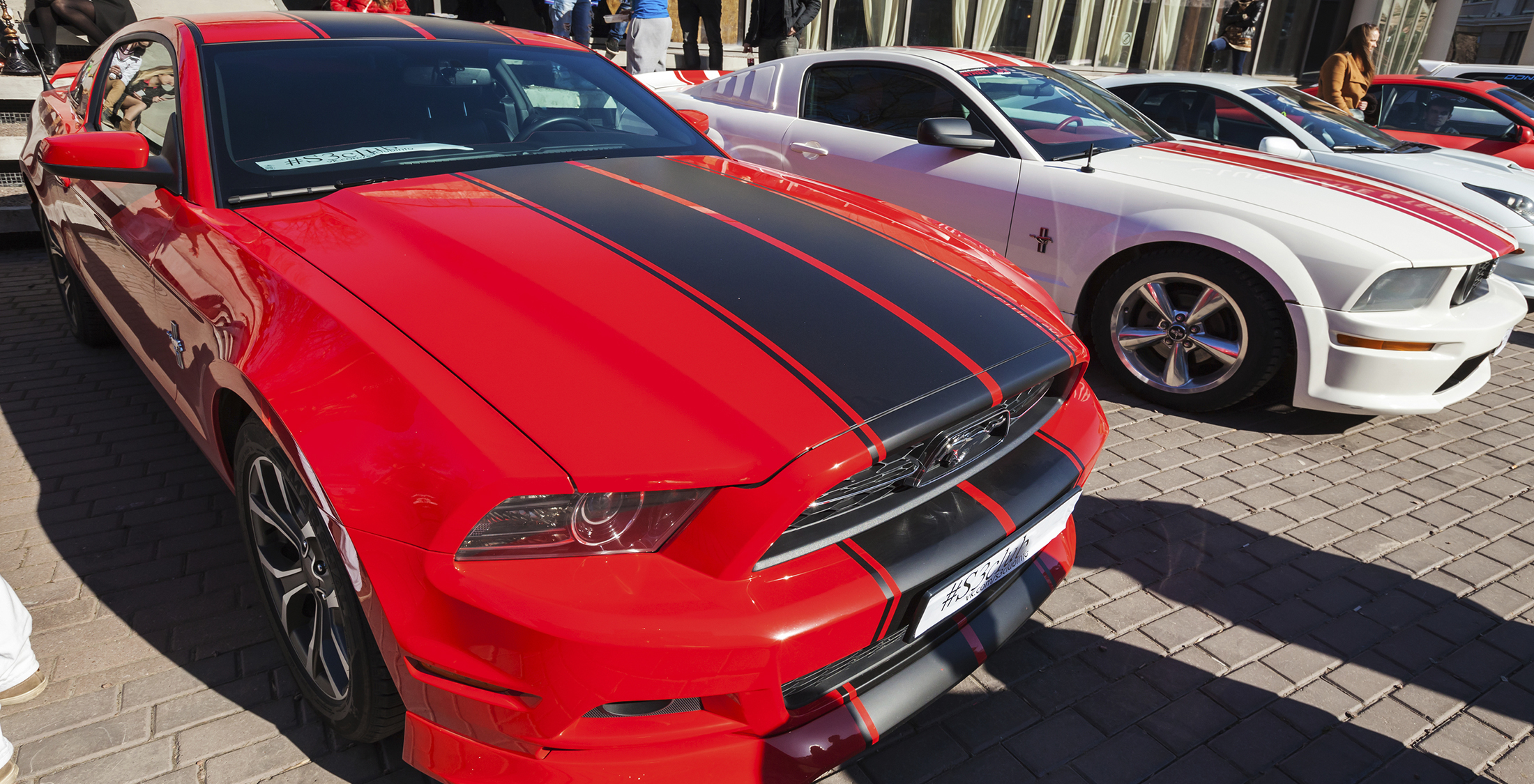 What do these and a giant wing on the trunk have in common? They won’t make your car any faster, Degen said. “If you have a dedicated track car that you race on weekends, sure, why not. But painting stripes on your 25-year-old economy car or the family minivan will do nothing but incite laughs from everyone else who knows better,” he said.

Sorry, but turning your Mazda into a Lamborghini is never, ever going to work. Worse, this car modification can not only hurt the resale value of your car, but it can be dangerous, said Shayrgo Barazi, an automotive engineer. “For example, if the car rolls over, it can be very difficult for emergency workers to get the door open due to the hinge design,” Barazi said. 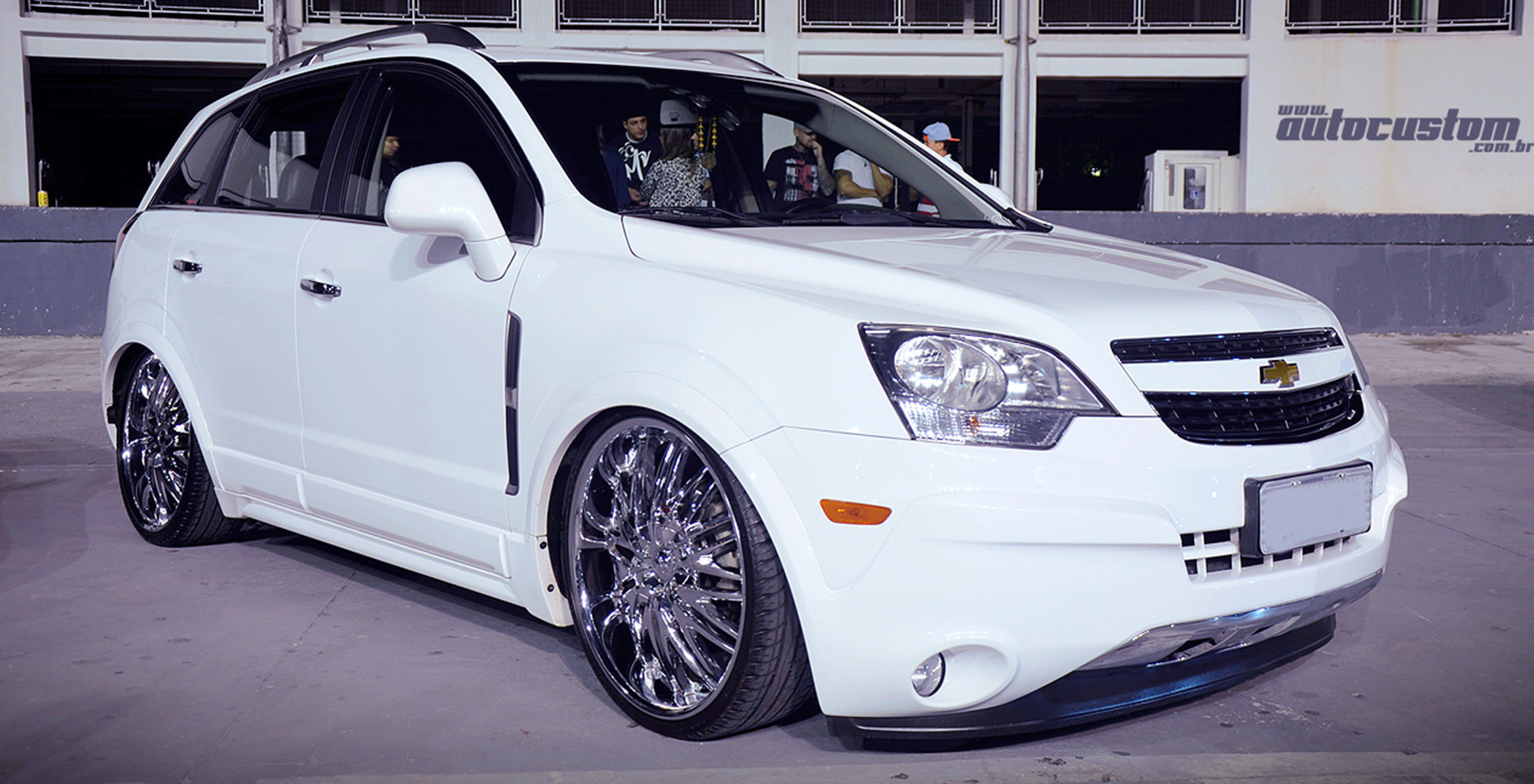 Congratulations, you’ve hit the trifecta of bad car modifications all in one: This one is not only terrible for resale, but also dangerous and just plain illogical, said Ryan McElroy, features editor of Car Keys, a car consumer information site. “Aside from the fact that it completely and utterly defeats the point of buying an SUV, lowering your car to within an inch of its life can also be extremely dangerous, as it’ll negatively affect the car’s handling,” McElroy said. 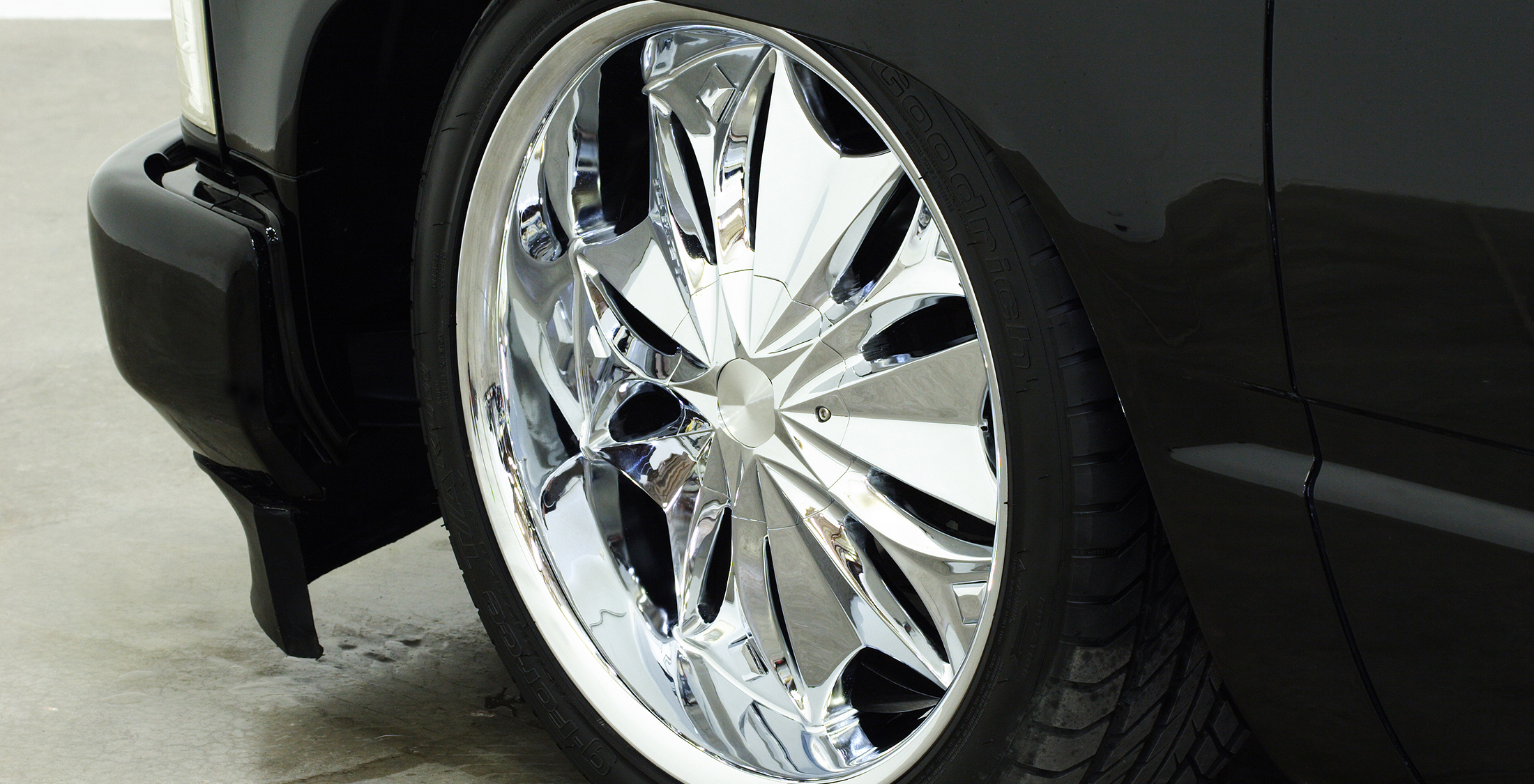 You might think giant rims look cool, but Barazi noted that those oversized rims dramatically change the suspension geometry originally designed for your vehicle, thus causing the car to handle poorly. “This is especially a big deal if you need to perform a rapid lane change or maneuver around an obstacle in the road,” Barazi said. 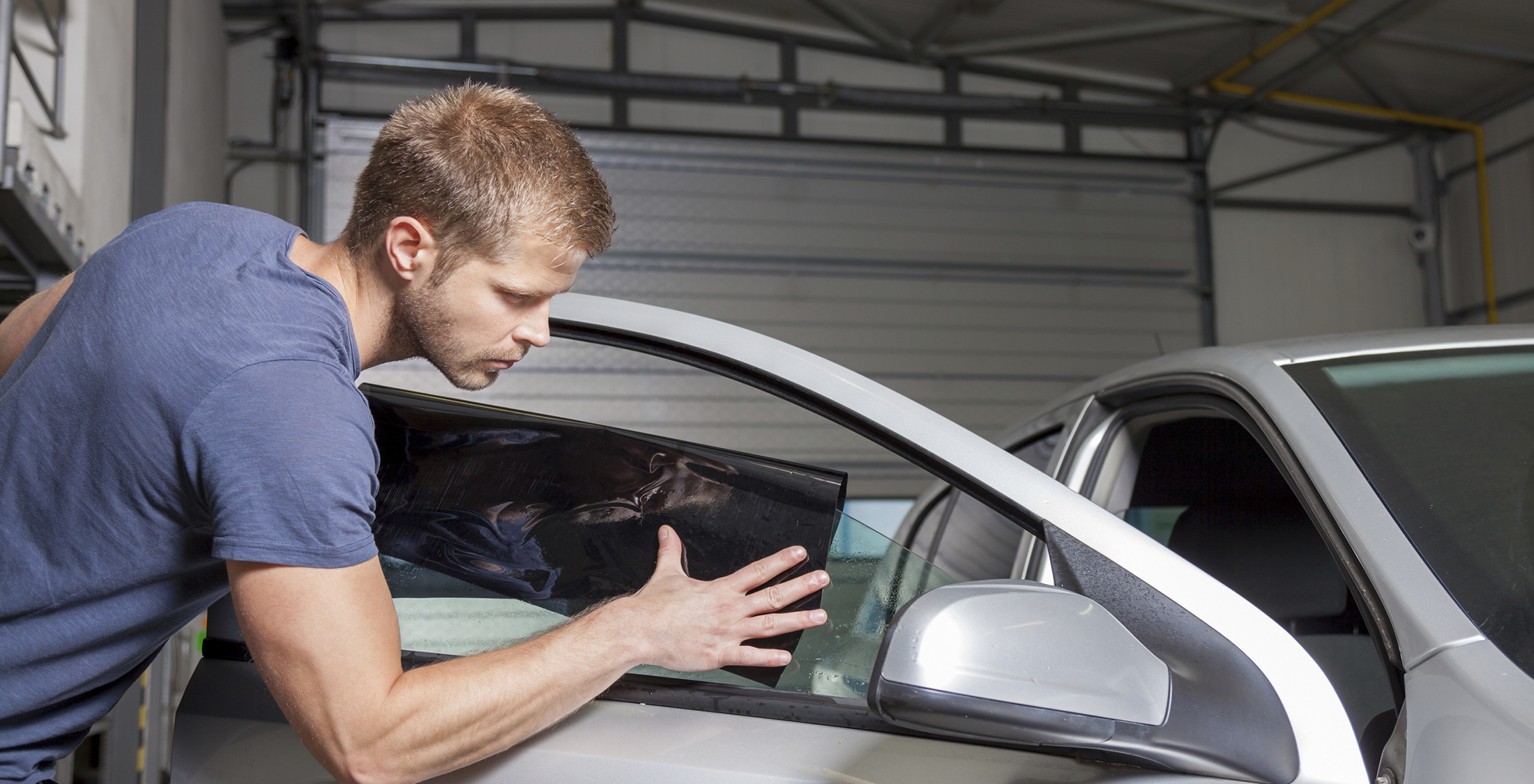 When professionally done, tinting gives the vehicle a distinguished appearance, provides shade and affords privacy, Barazi said. “But if the installer is inexperienced or uses cheap tint material, then the tint tends to bubble up and appear tacky and cheap,” he said, adding that this ruins the aesthetics of the car and reduces its value in the process. 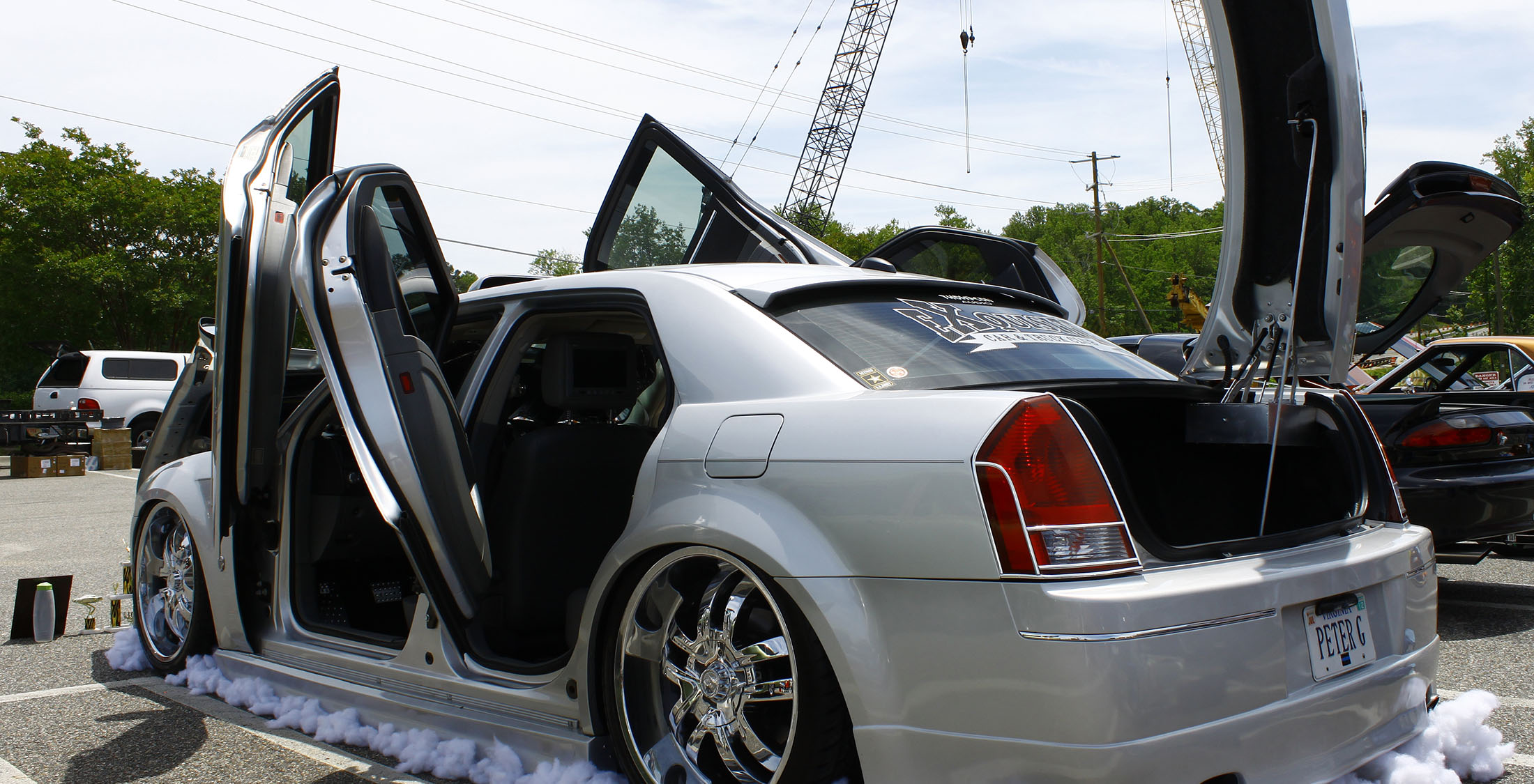 Different than scissor doors, some of the most iconic cars of all time have featured winged doors — be it the incredible Mercedes-Benz 300SL, the DeLorean DMC-12 made famous by the “Back to the Future” franchise or, more recently, the Tesla Model X, McElroy said. But if you don’t drive an exotic vehicle, he advised sparing yourself some ridicule. “That sound you’re hearing is laughter, and no, they’re not with you,” McElroy said.

Pay Up: 23 Car Upgrades That Are Worth the Price 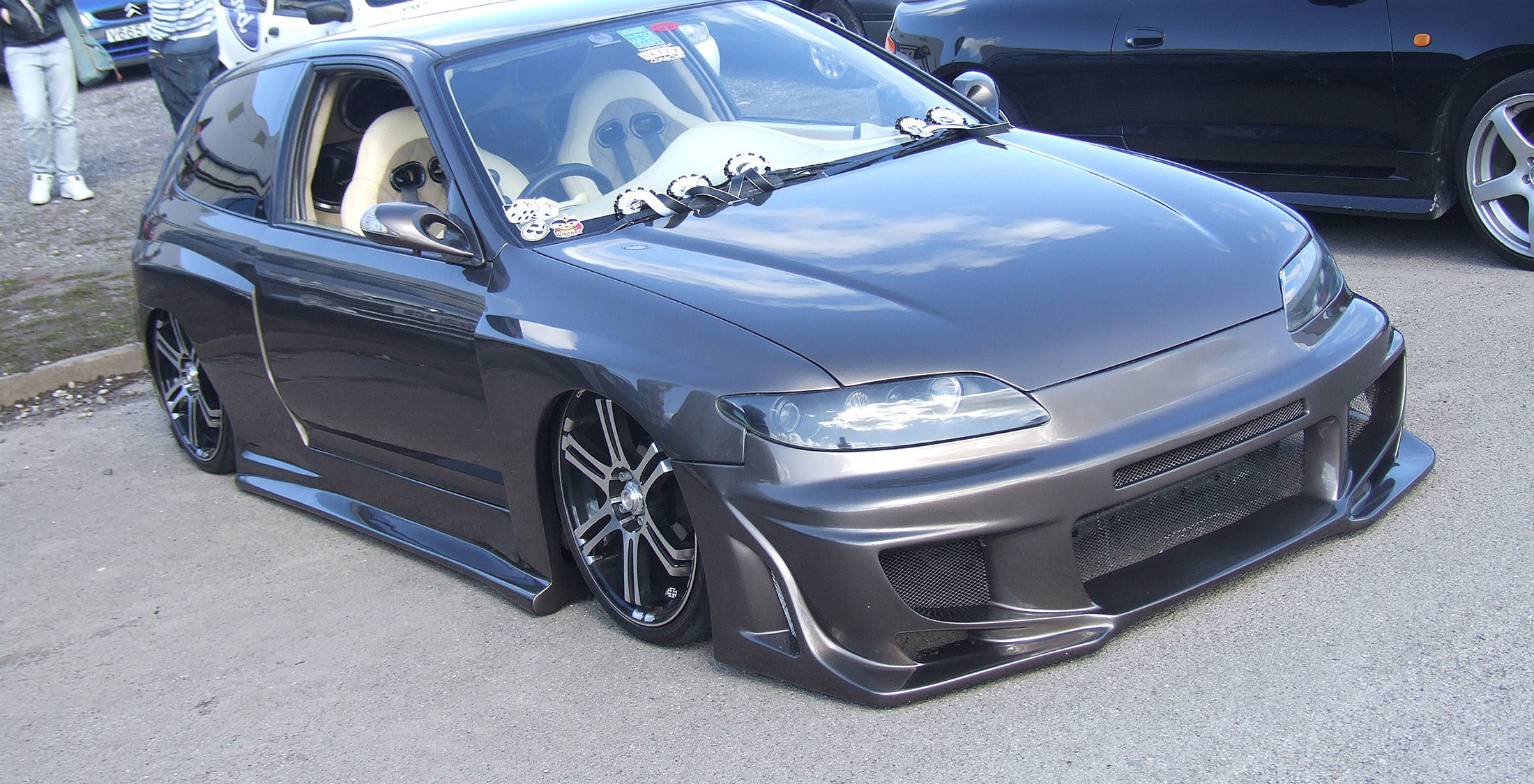 A relic from the days of “The Fast and the Furious,” body kits were once popular but have faded from the aftermarket car parts scene, Barazi said. “The ironic thing is that in most cases aftermarket body panels make vehicles less aerodynamic and decrease the aesthetic appeal that the car originally had,” he said. He added that most body kits are made of cheap polyurethane that cracks easily and rarely fits correctly, leaving hideous gaps between the bumpers and the rest of the body panels. 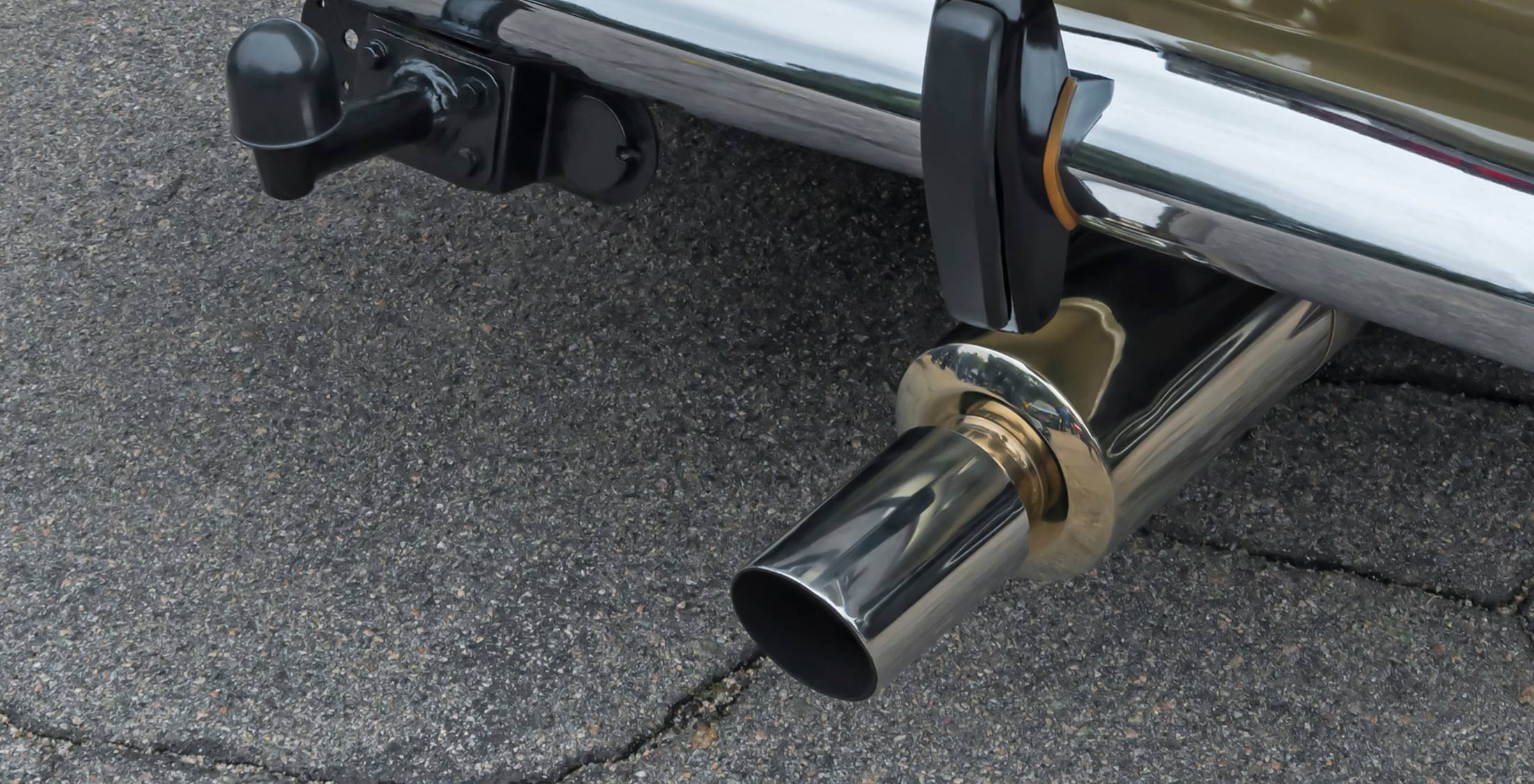 Exhaust systems from the factory decrease noise pollution and make for a comfortable, noise-free ride. “Coffee-can mufflers almost always have an obnoxious, raspy tone that makes you want to rip your ears out,” Barazi said. “From a resale perspective, installing a coffee-can muffler will definitely reduce the value of your ride considering only a small percentage of car buyers are interested in attracting so much attention to themselves.”

Everyone in hearing range gets it: You really like music with bass. But there’s a difference between immersive, audiophile-grade sound systems and those bass-only aftermarket systems merely meant to go boom, KBB’s Degen said. “Beyond making your car sound like a rattle trap to anyone outside — and vibrating the bones of anyone unlucky enough to be your passenger — they’re just annoying and could possibly violate noise ordinances,” Degen said. 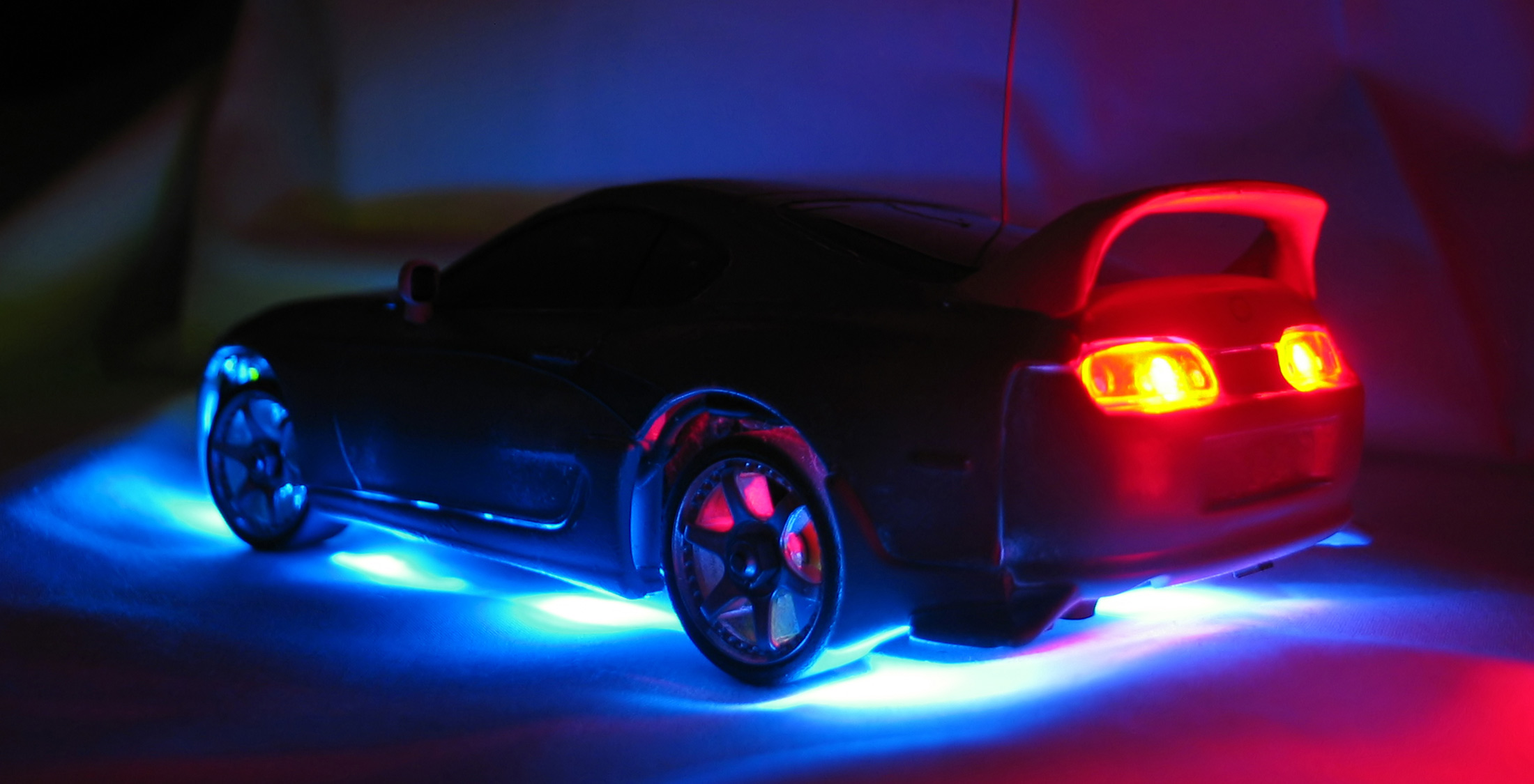 Popularized after the original “The Fast and the Furious” movie, neon lights — especially ones that give off glowing ground effects — have lost their luster and are now just considered tacky, Barazi said. “Neon lights are not cool. Period,” he said. The only positive, McElroy said, is that drivers can spot you a mile off and adjust their course correctly — to avoid you. “They also give ants a nice suntan,” McElroy said. 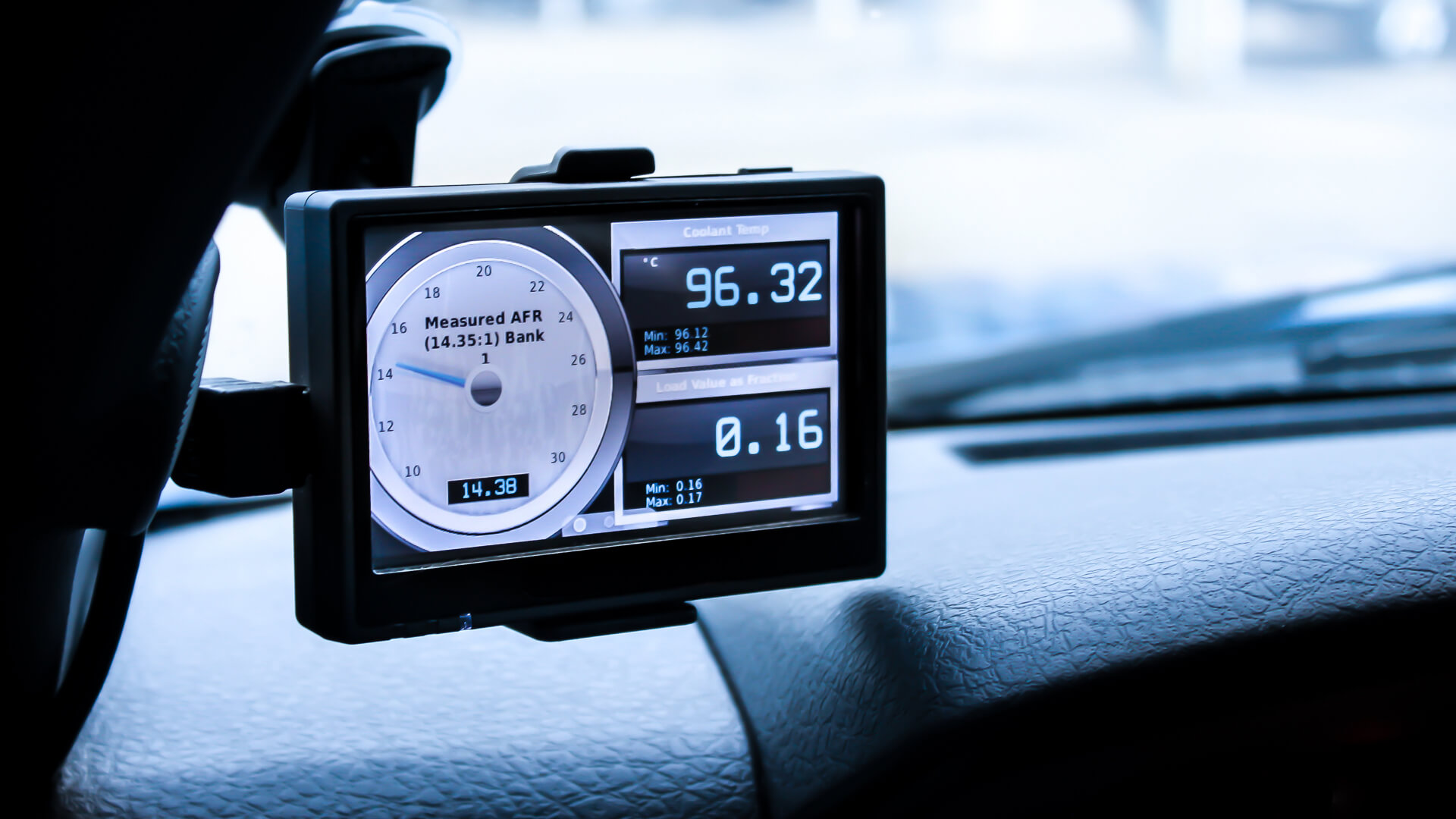 As early as 2015, prosecutors were warning that the popular $69 GForce Performance Chip was a fraudulent gimmick based on false advertising. Nearly half a decade later, and so-called performance chips still promise to boost fuel economy, reduce emissions and even add dozens of horsepower to cars. They do not do any of those things, but they have been known to turn on check-engine lights and void warranties. 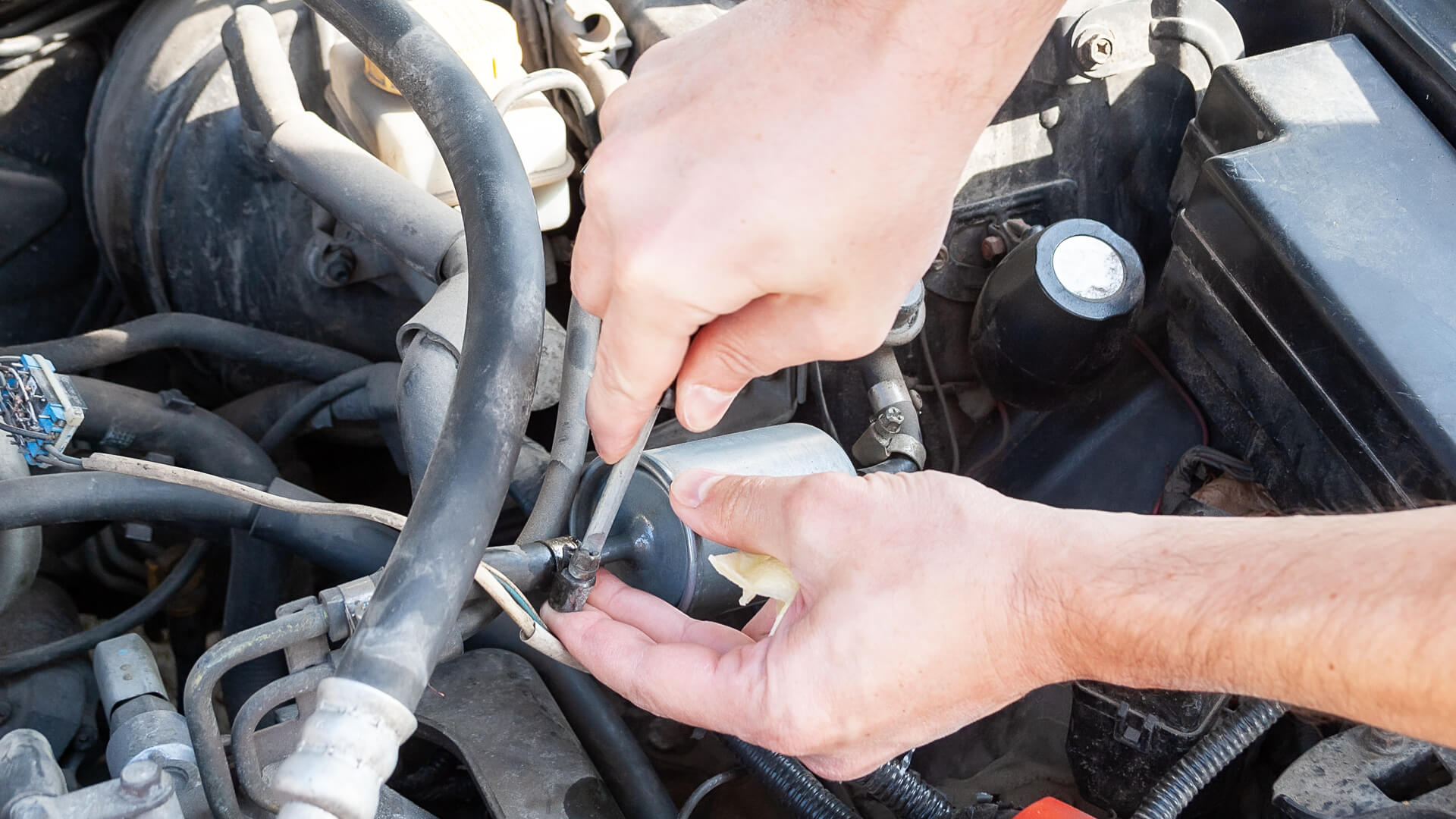 Fuel line magnets are one of many devices that claim to increase fuel economy, extend a car’s miles per gallon and save drivers money by using science to somehow enhance molecules found in gasoline, in this case by creating a magnetic field. Fuel line magnets have been around since the 1980s and, despite wild claims by manufacturers, study after study has proven what common sense should have made clear: Since none of the molecules in gasoline react to magnetism, they simply don’t work. 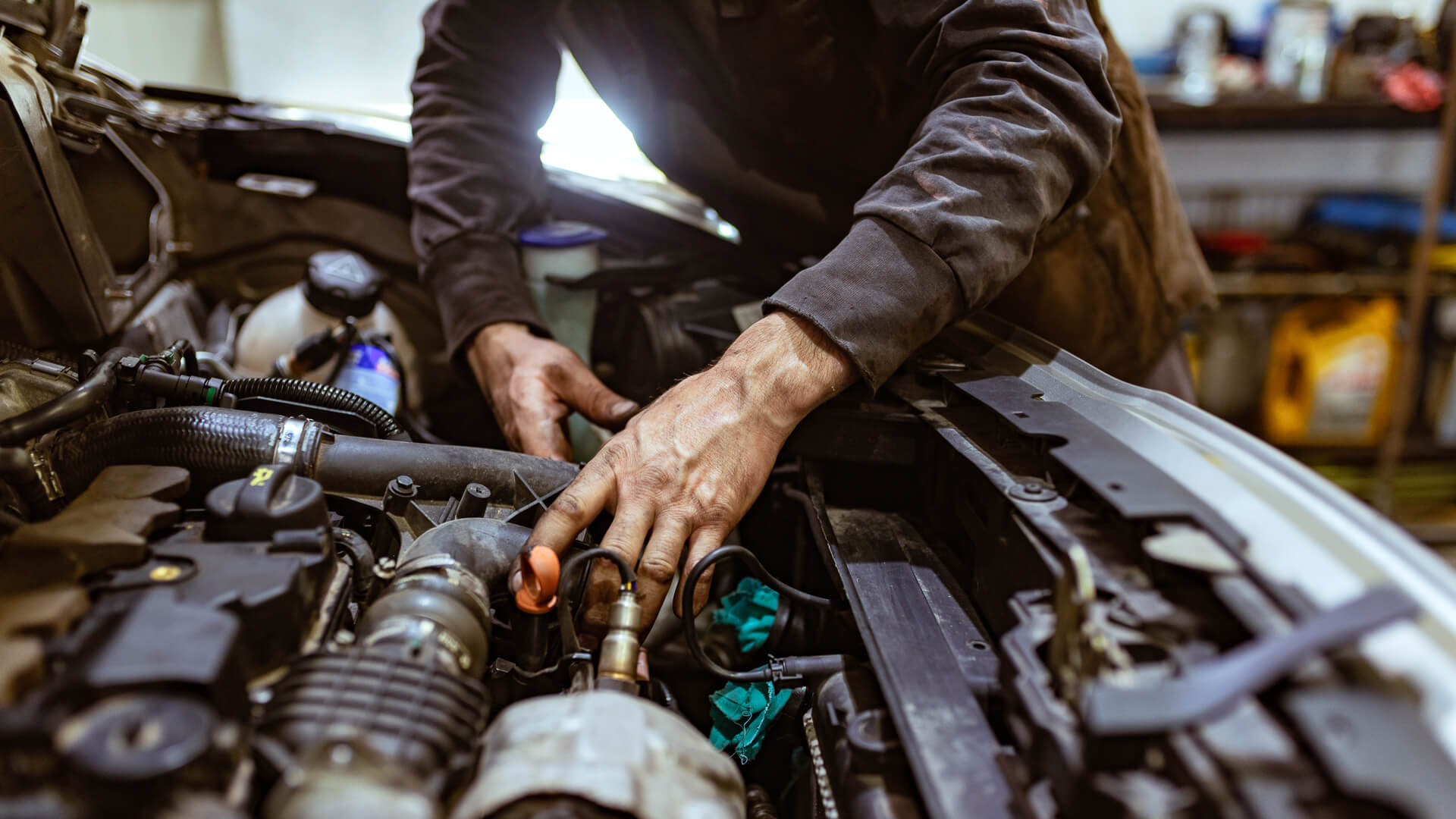 Fuel ionizers are another line of hoax fuel-saving products. By attaching one to the fuel line between the injector and the fuel pump, they’re marketed as creating an “ionic field” that does sciencey stuff to gas on a molecular level to make it burn more thoroughly. The truth is, modern fuel injection systems spray a very fine mist of fuel into the combustion chamber, virtually none of which is wasted, with or without ionization. 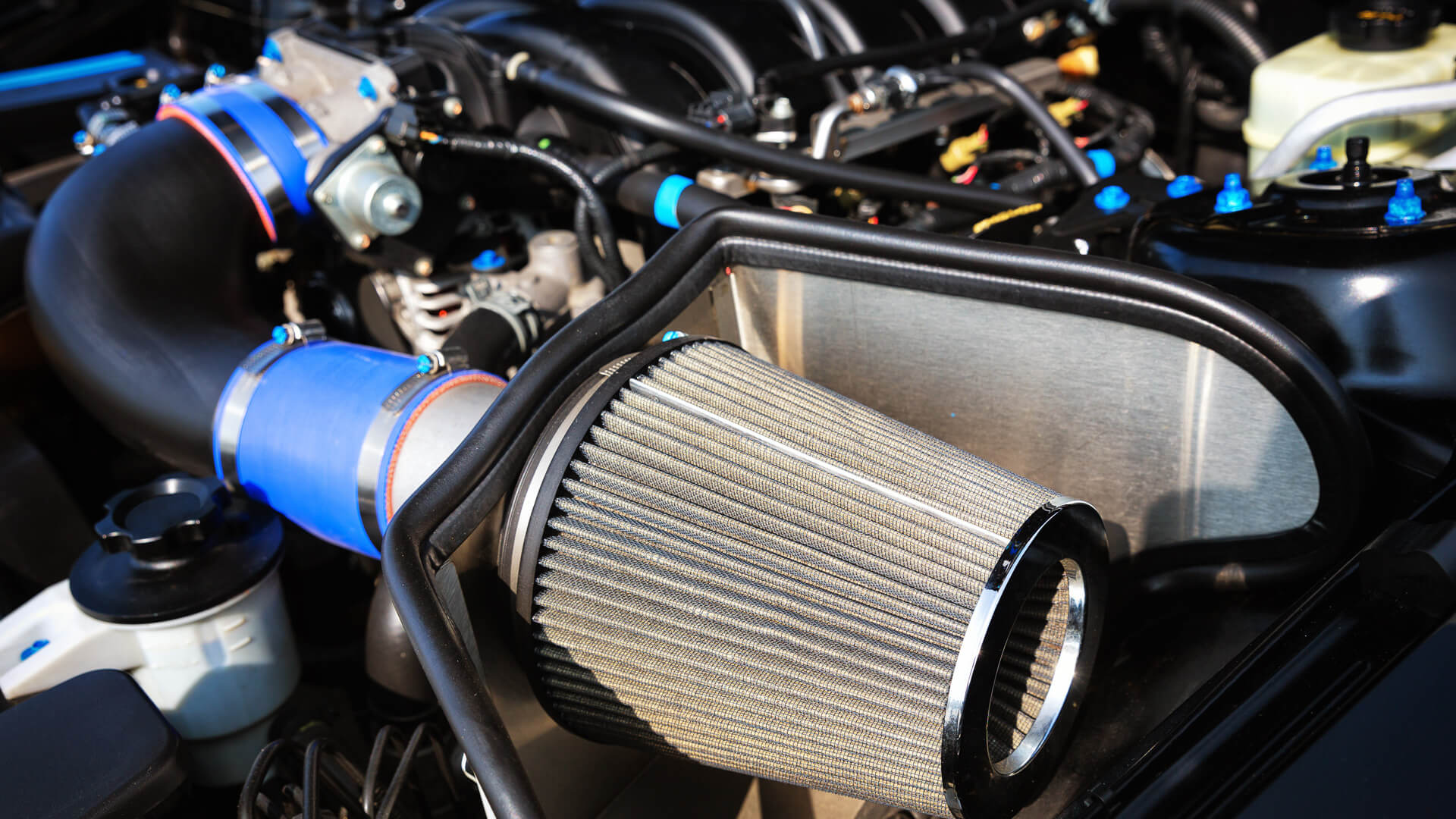 Like so many other fuel-efficiency snake oil products, intake vortex devices rely on drivers misunderstanding how their engines work. The idea that cars can benefit from add-ons like intake vortex devices, which attempt to alter the amount of airflow into the combustion chamber, ignores the fact that modern cars rely on complex computers to continuously adjust airflow to match fuel intake and vice versa. 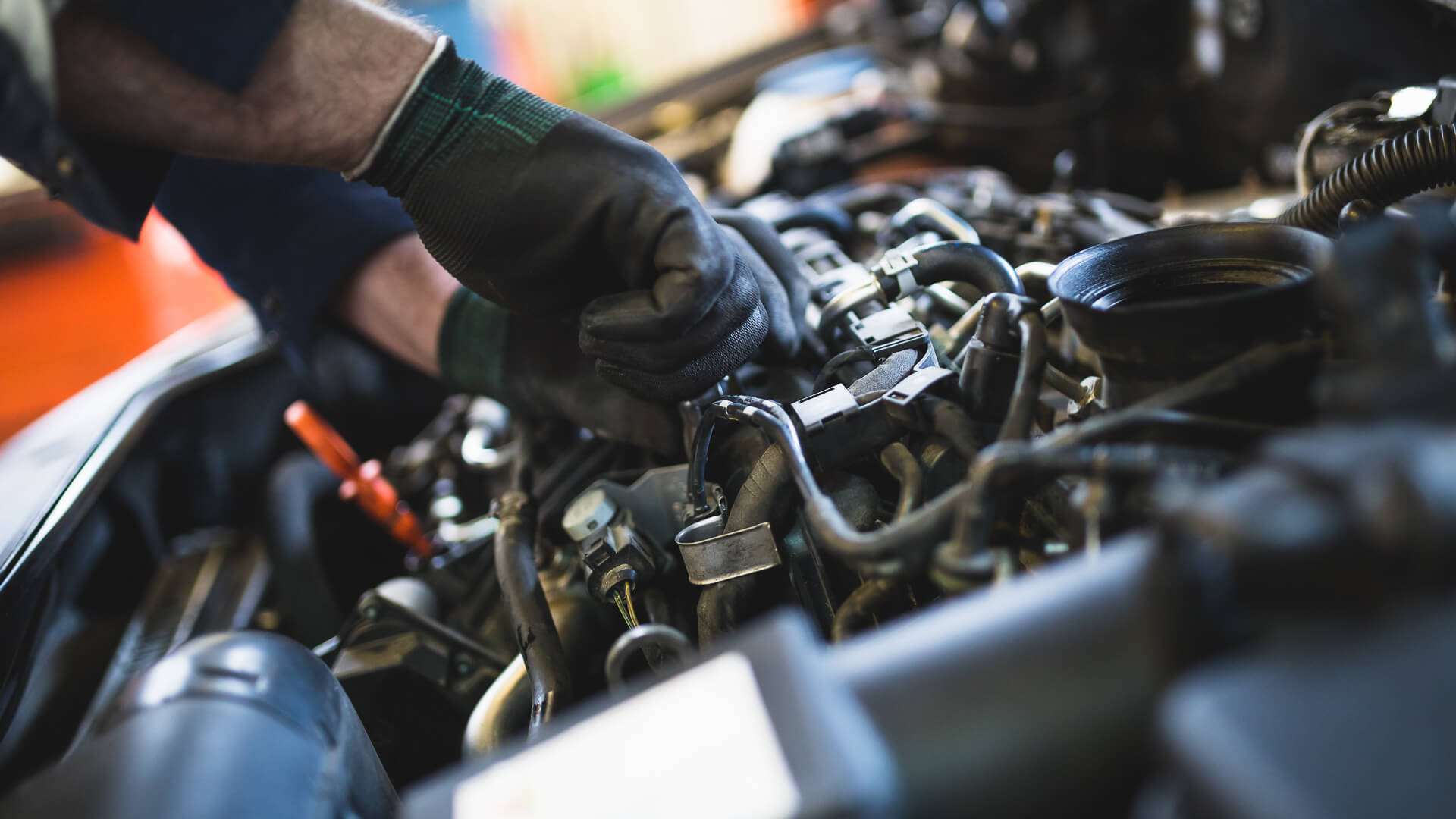 This class of fuel-efficiency gimmickry is based on the idea that hydrogen is a more powerful fuel than gasoline, which it may be, but it’s simply not as practical for cars. Hydrogen generators claim to create hydrogen by separating it from oxygen found in your car’s water supply and redirecting it to your fuel supply. One problem is that the kind of electrolysis devices used for this could only produce the tiniest amounts of hydrogen. But in order to do so, it places enormous strain on your alternator, which the device uses to bleed power from your vehicle’s electrical system. 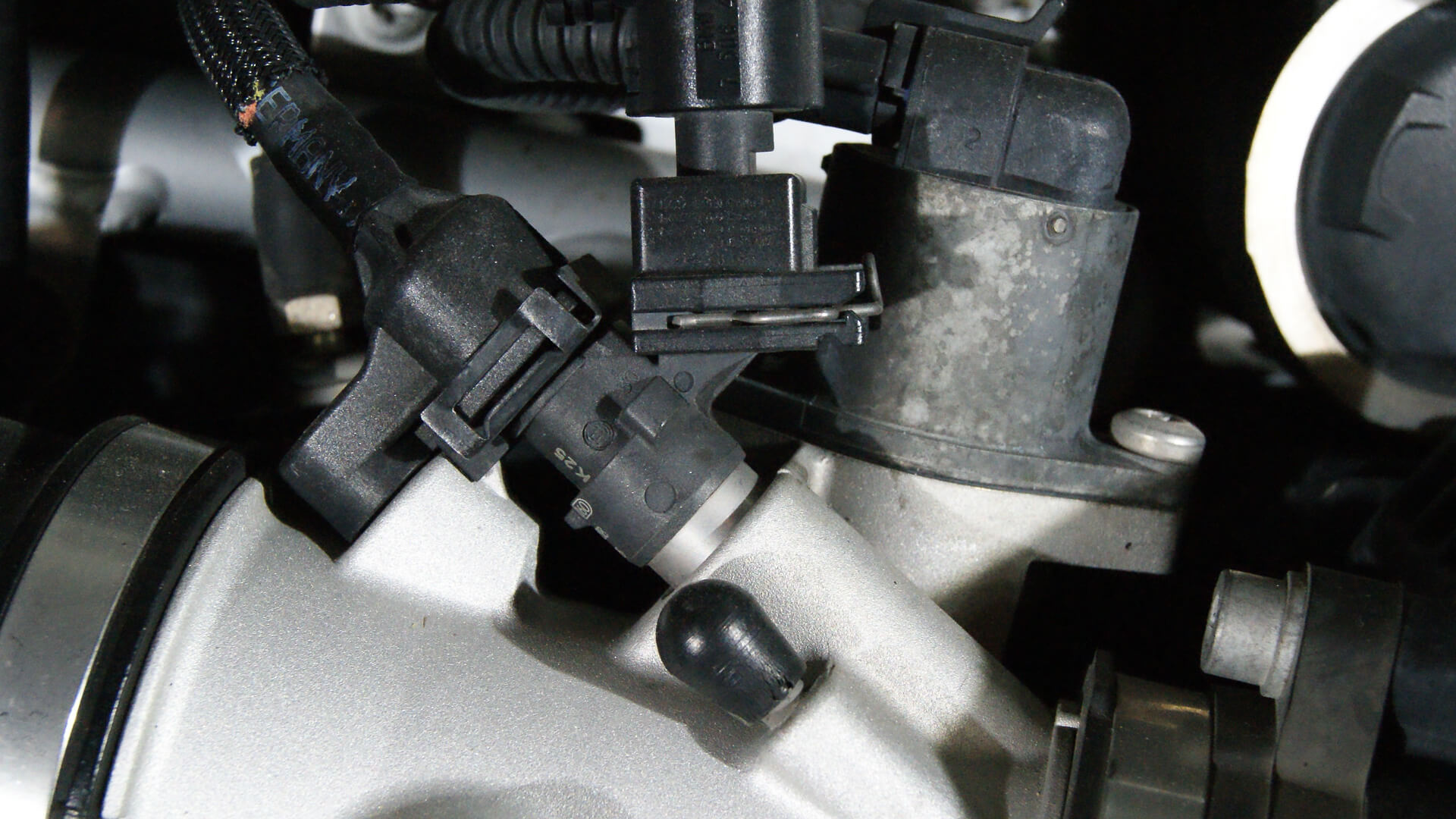 Like the other so-called fuel-enhancing devices, the concept of fuel vapor injectors doesn’t pass muster with people who understand how engines work. By adding this fuel-vaporizing device, the best you can hope for is performance identical to that which you would have achieved if you had let your factory-installed fuel-injection system do the heavy lifting. At worst, it can degrade performance by forcing your engine to run “rich” with too much fuel and not enough air. With all so-called fuel enhancers, ask yourself why manufacturers wouldn’t simply add these devices in the factory if real fuel savings could be achieved with a part that costs just a few bucks. 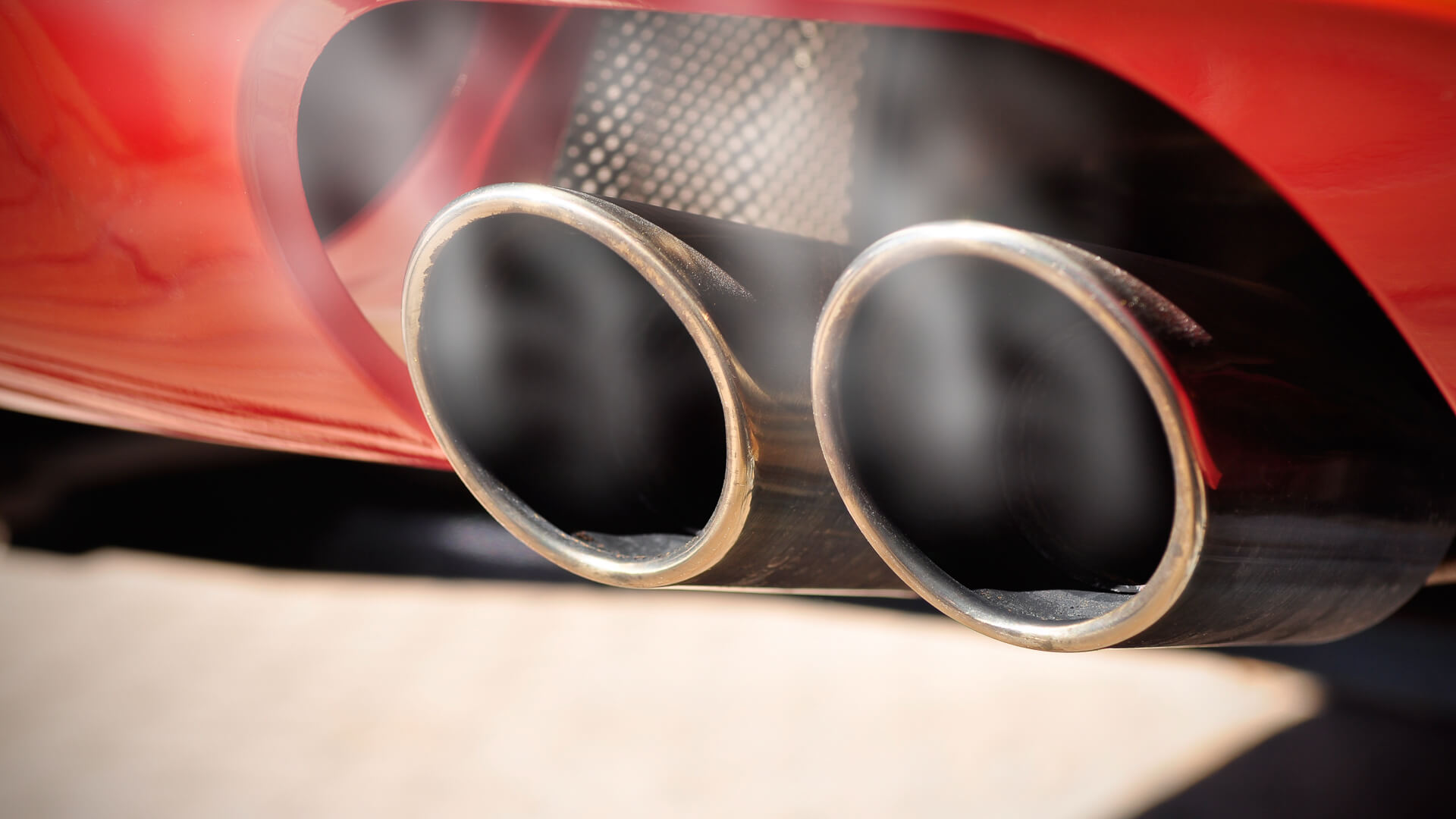 Whistle tips are metal fittings welded into your exhaust pipe. By forcing the exhaust through a constricted pathway, they make an otherwise normal car obnoxiously loud for no reason. California outlawed them (correctly) shortly after they emerged in the early 2000s and other jurisdictions followed suit. Even if they’re not directly illegal where you live, they’re magnets for traffic stops and you can almost certainly receive a citation for violating a local noise ordinance.

Tips: How To Get the Most Money When Trading In Your Car 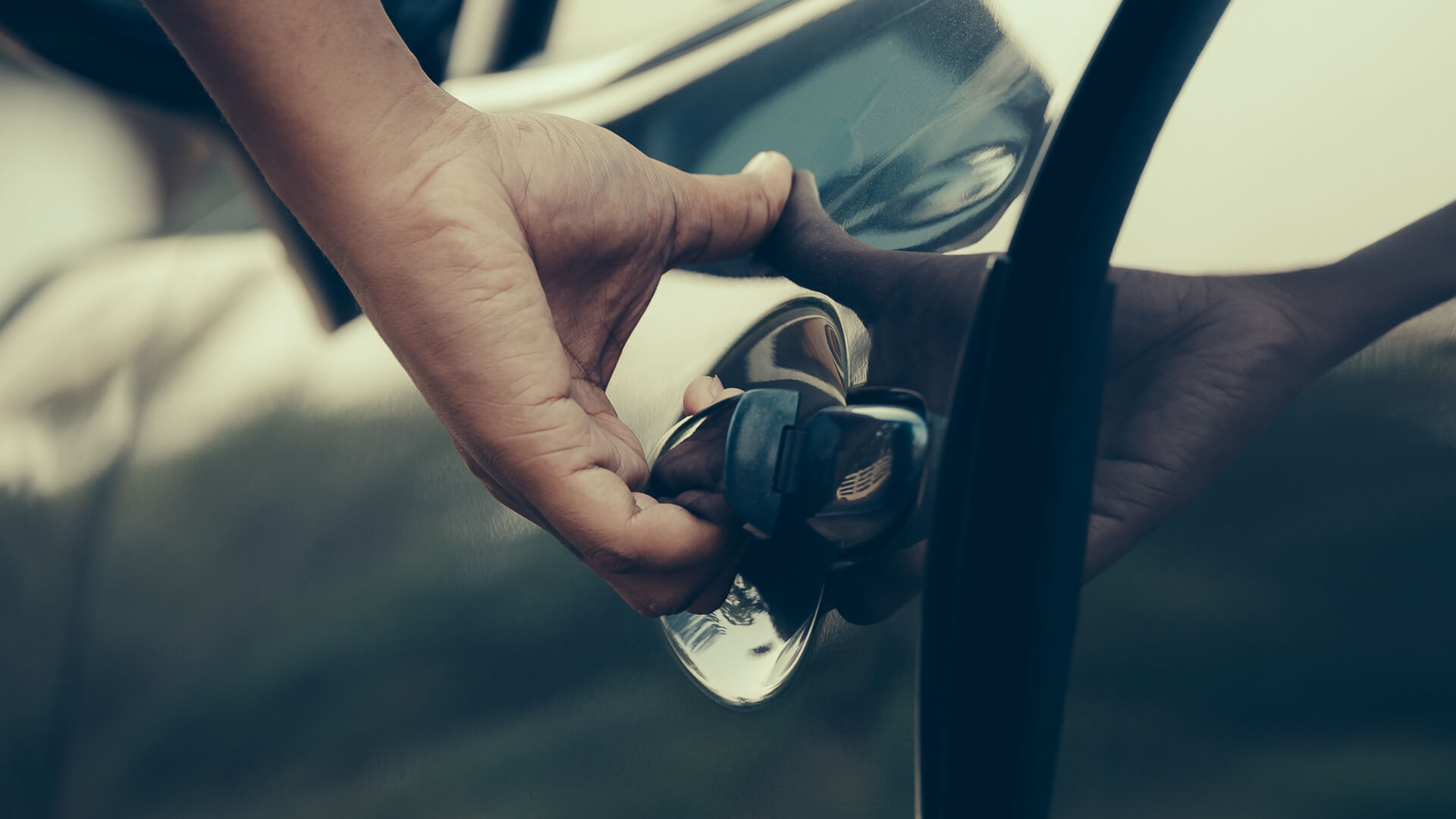 Anyone who has ever received a shock from opening their car door knows that the discharge of built-up static electricity can be annoying and jarring. It almost certainly cannot, however, be prevented by installing rubber straps embedded with conductive materials that dangle from the undercarriage and make contact with the ground. Anti-static straps promise to remove static electricity by grounding the vehicle, but they deliver only on dragging a foreign object on the road every time you drive. 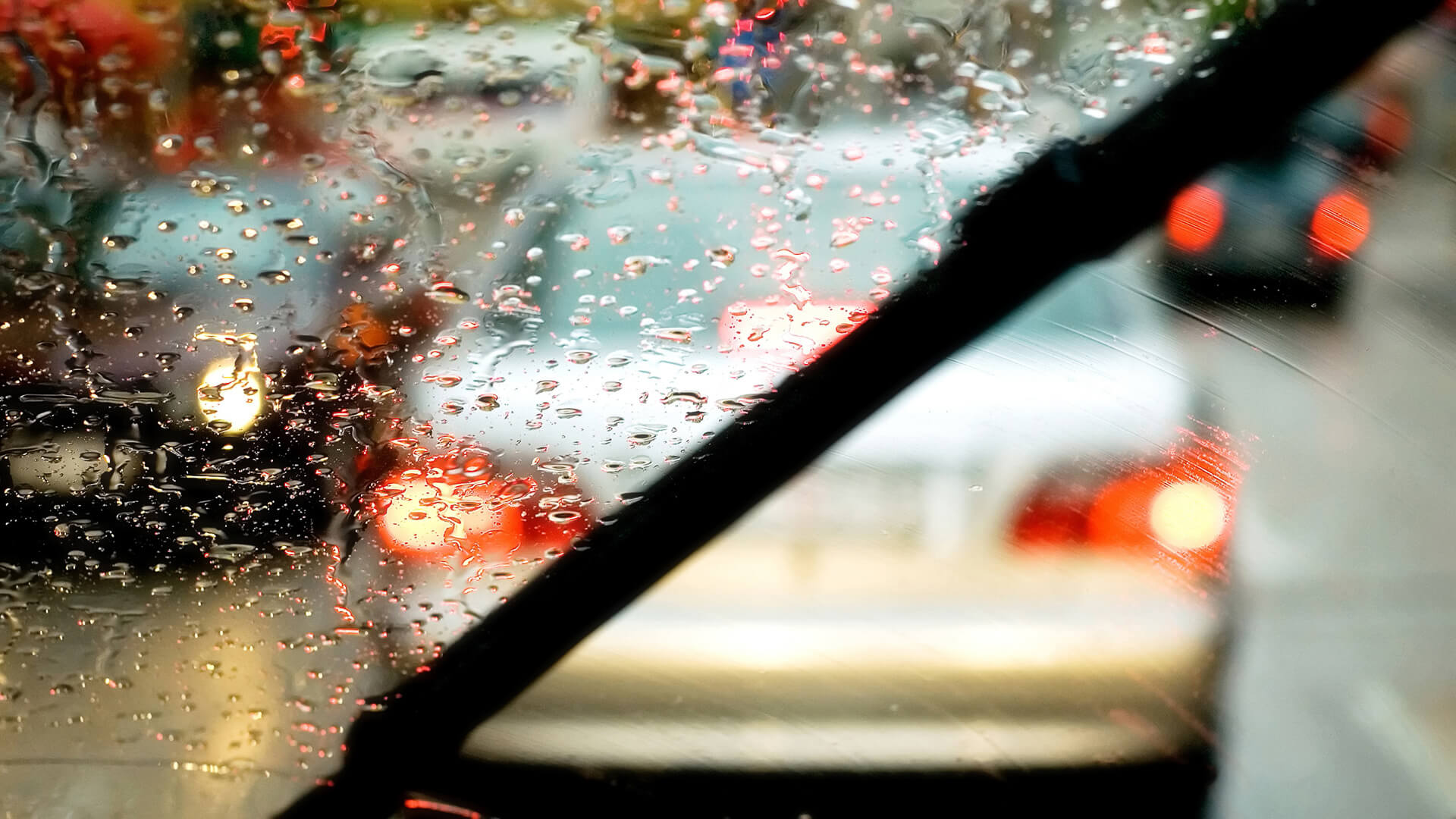 Although they seem like a good idea and are likely to improve dramatically over the next few years, most rain-sensing wipers aren’t quite yet up to the task. Their sensors can trigger them on even when there’s no rain, they can speed up or slow down beyond the individual driver’s liking, and they can make complacent drivers forget to switch on their headlights when their wipers come on. 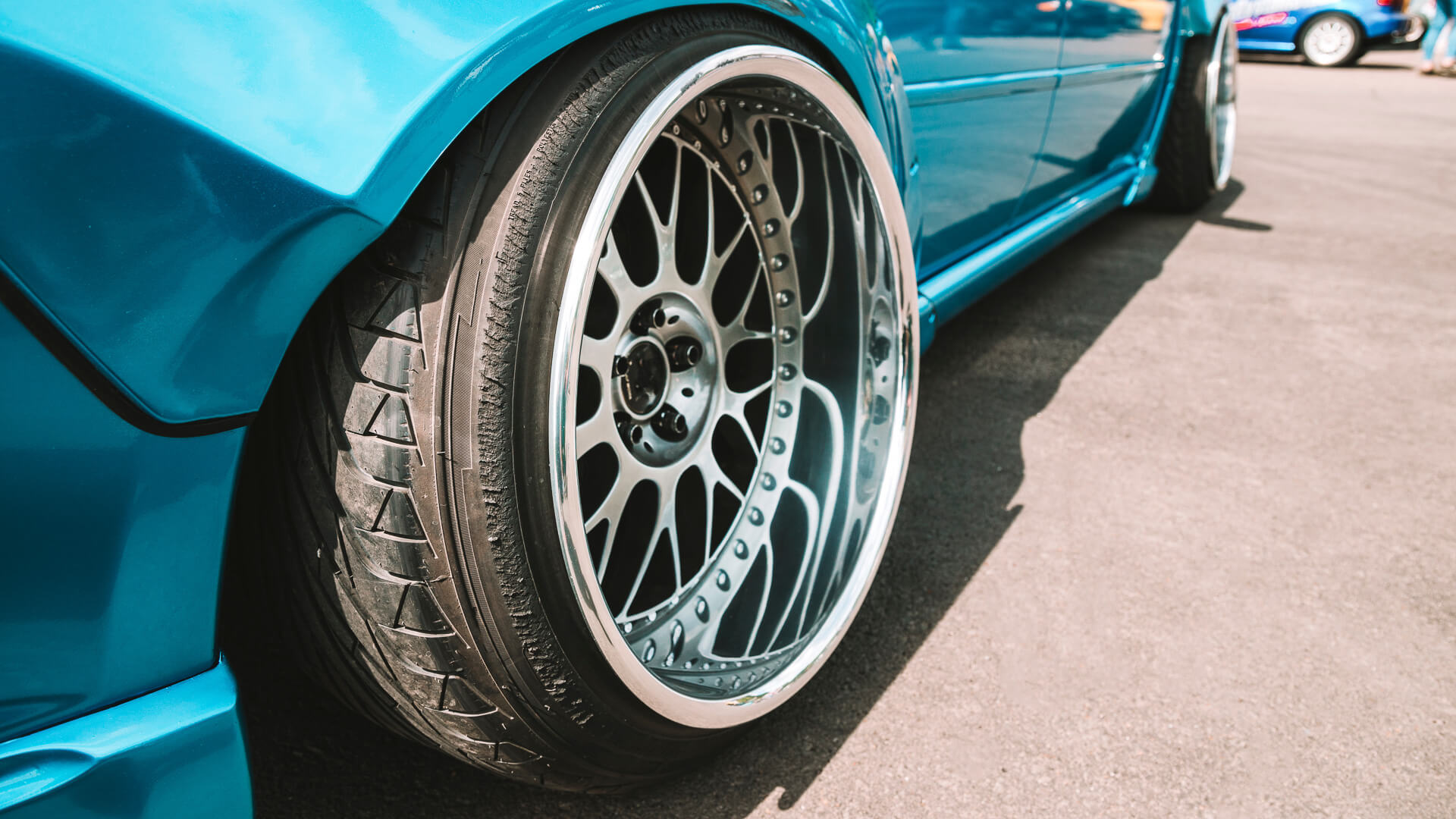 The decision to upgrade to larger wheels at the dealership will end up costing you every time you have to pay an oversized price to replace them. Stick to the smaller, less expensive tires your car comes with. 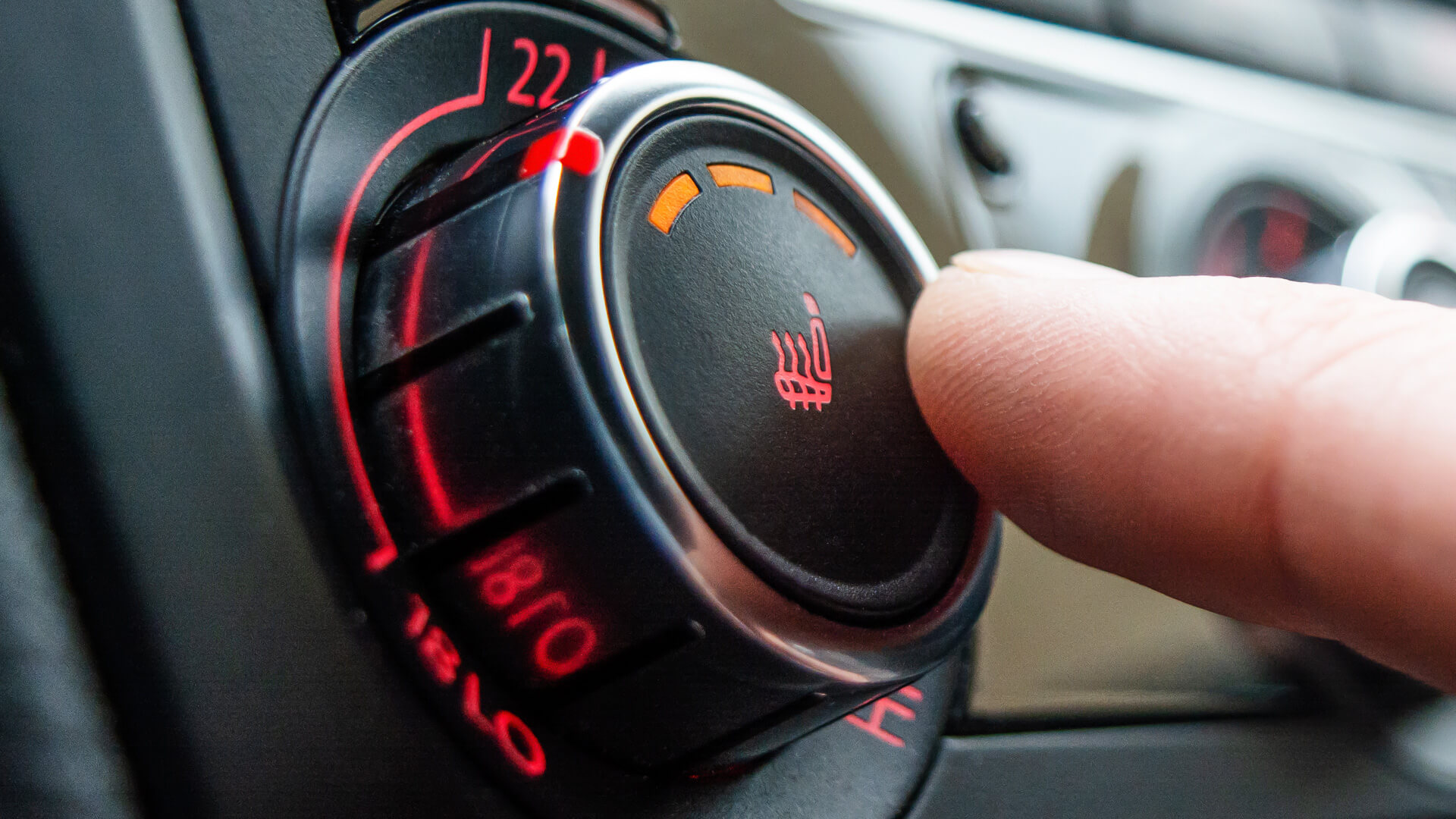 Heated car seats can be a nice luxury to have, but they can add a big chunk of change to the cost of your vehicle. Instead, consider buying a heated seat cover. You can find ones specially designed for car seats for around $20 on Amazon. 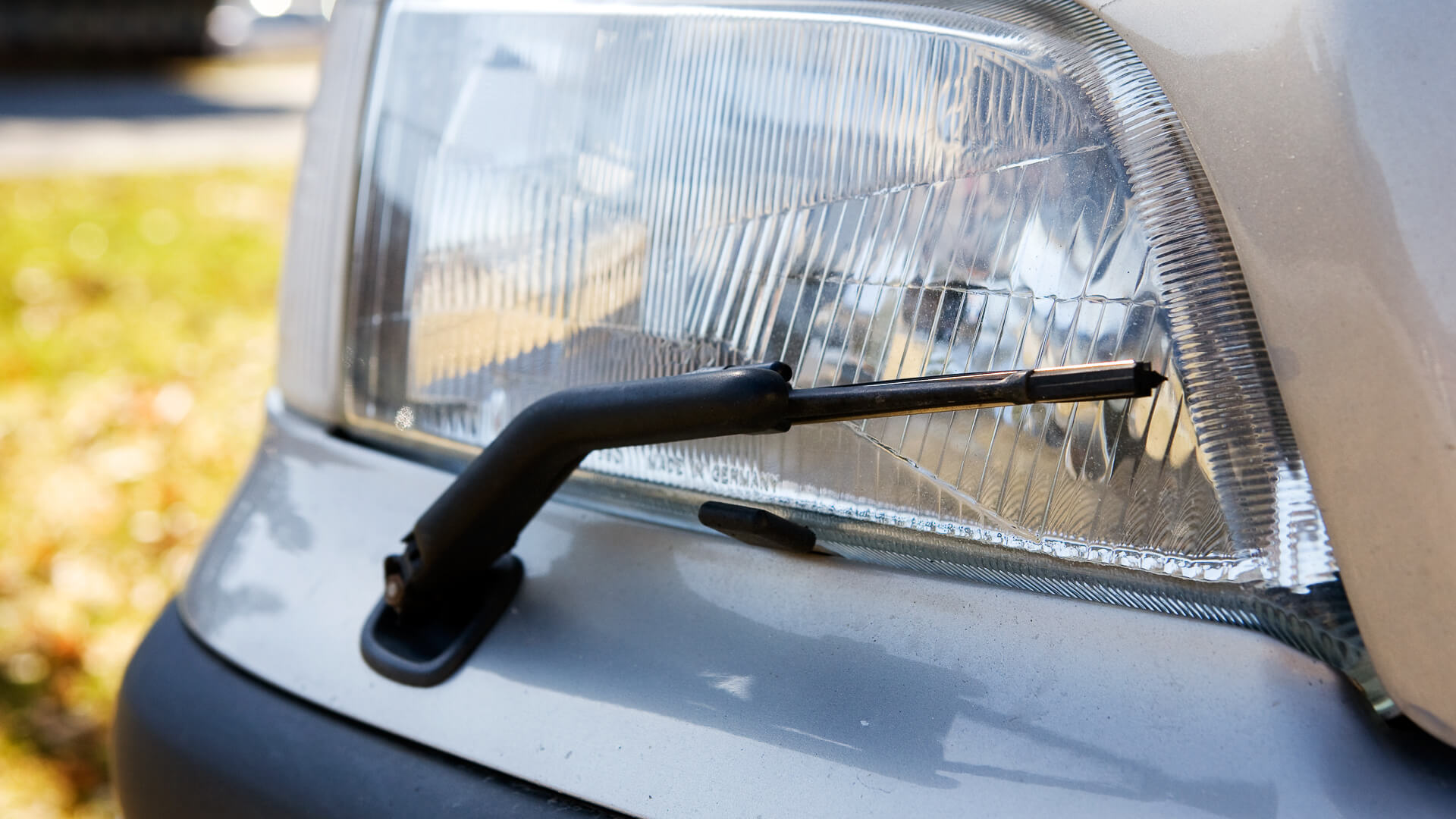 Sure, it can be a pain to clear ice and snow from your headlights, but paying for car headlight wipers can be a pain on their own. The wipers are fragile, prone to breaking and are expensive to fix, Reader’s Digest reported. 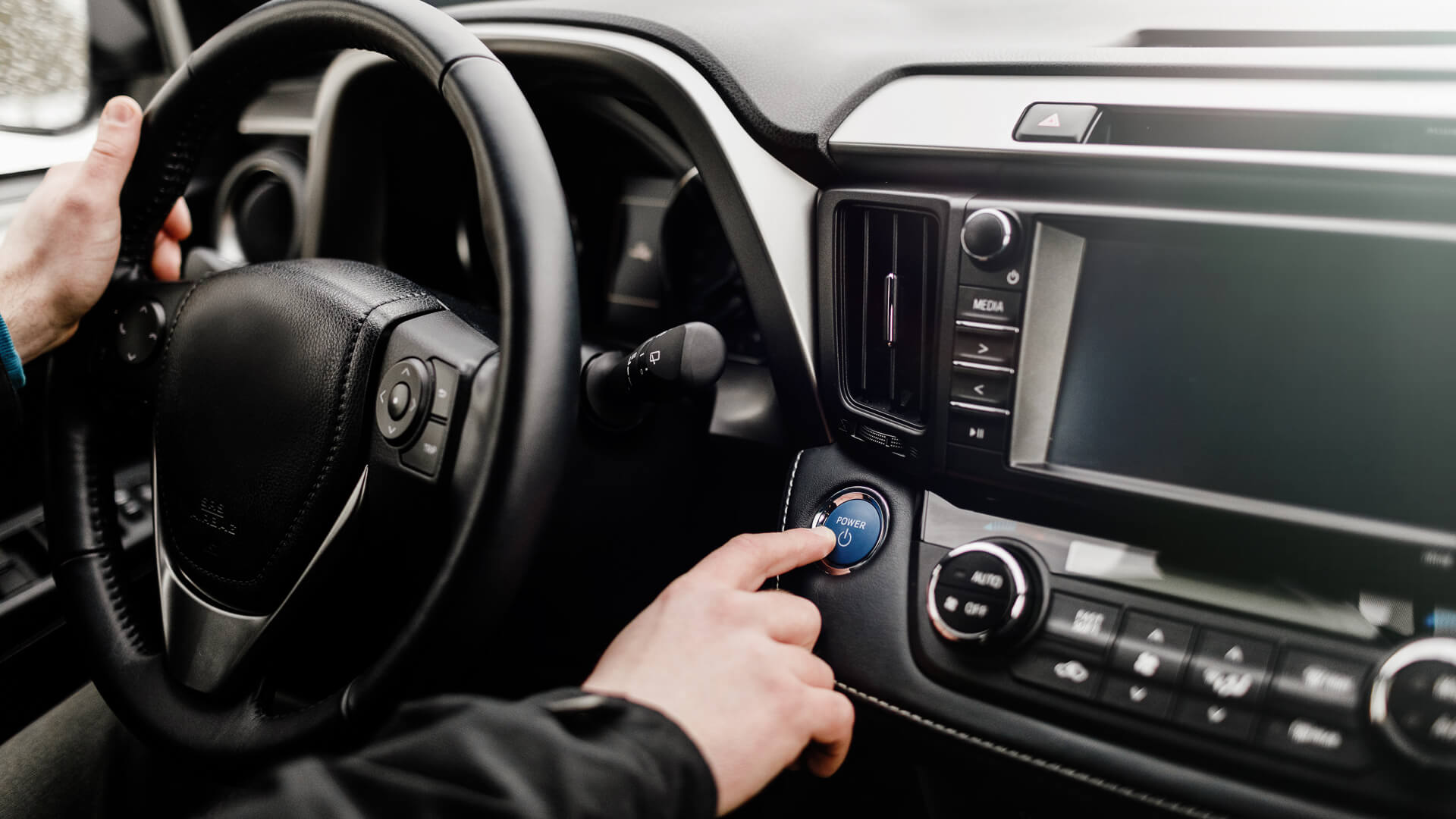 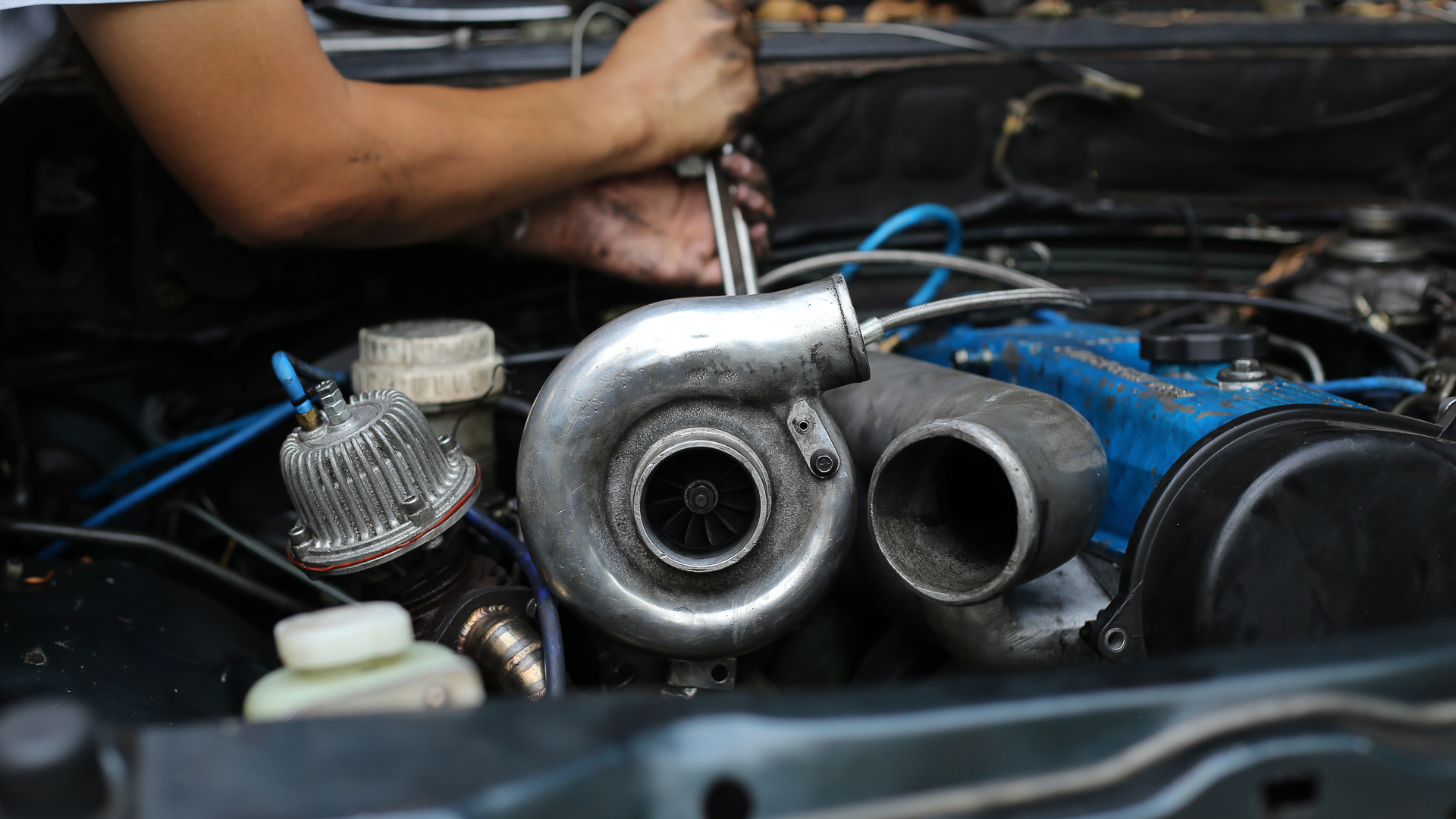 Real-deal electric turbochargers can provide an instant boost and require low maintenance, but the cost — at around $6,000 — outweighs the value, according to Hot Cars. And the cheaper ones you can find online on eBay and Amazon don’t actually work, making them a total waste of money. 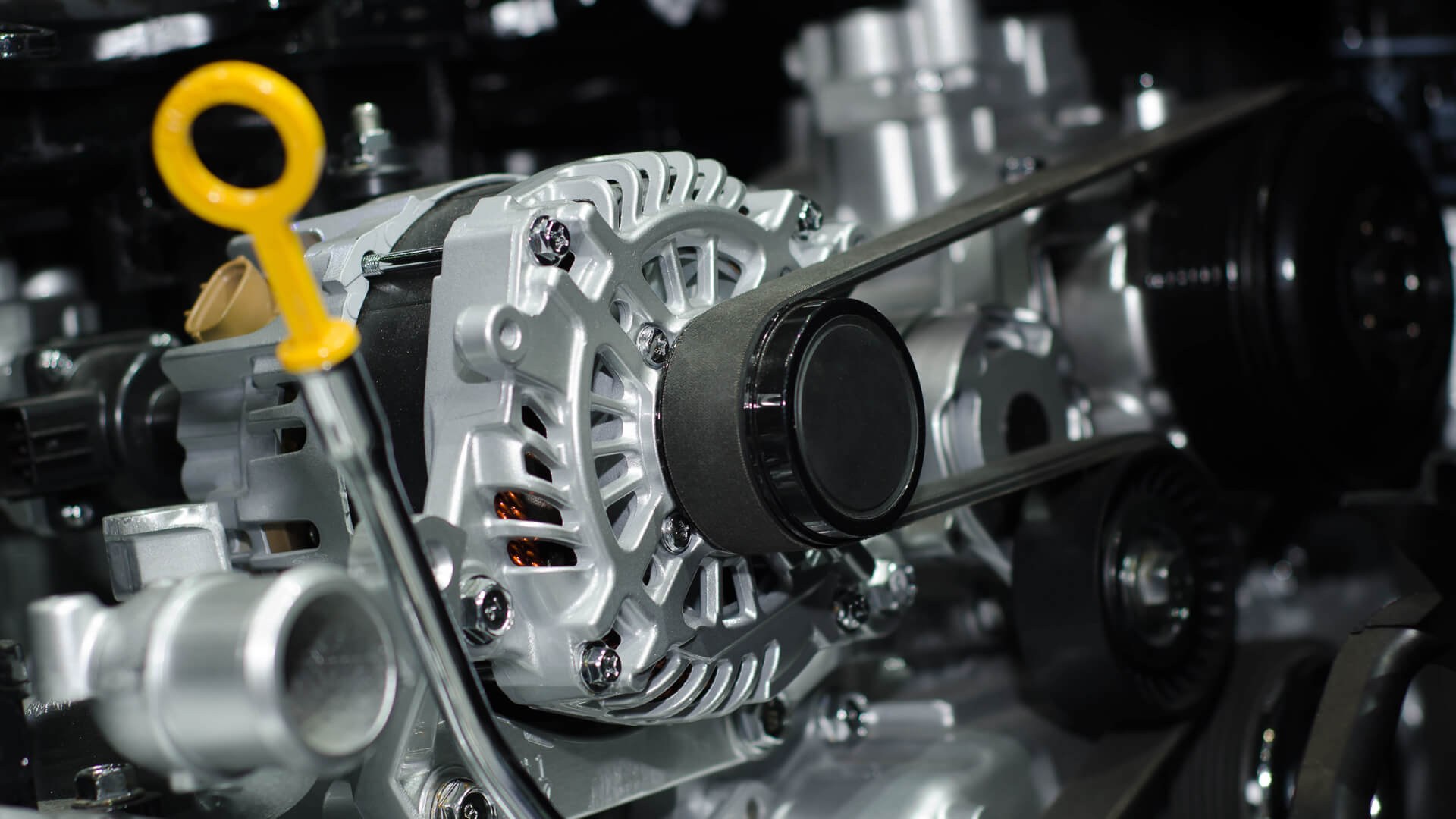 For standard cars, upgraded alternators are expensive to fit and could put extra, unneeded strain on the engine, according to Hot Cars. Unless you have a custom car, skip this upgrade. 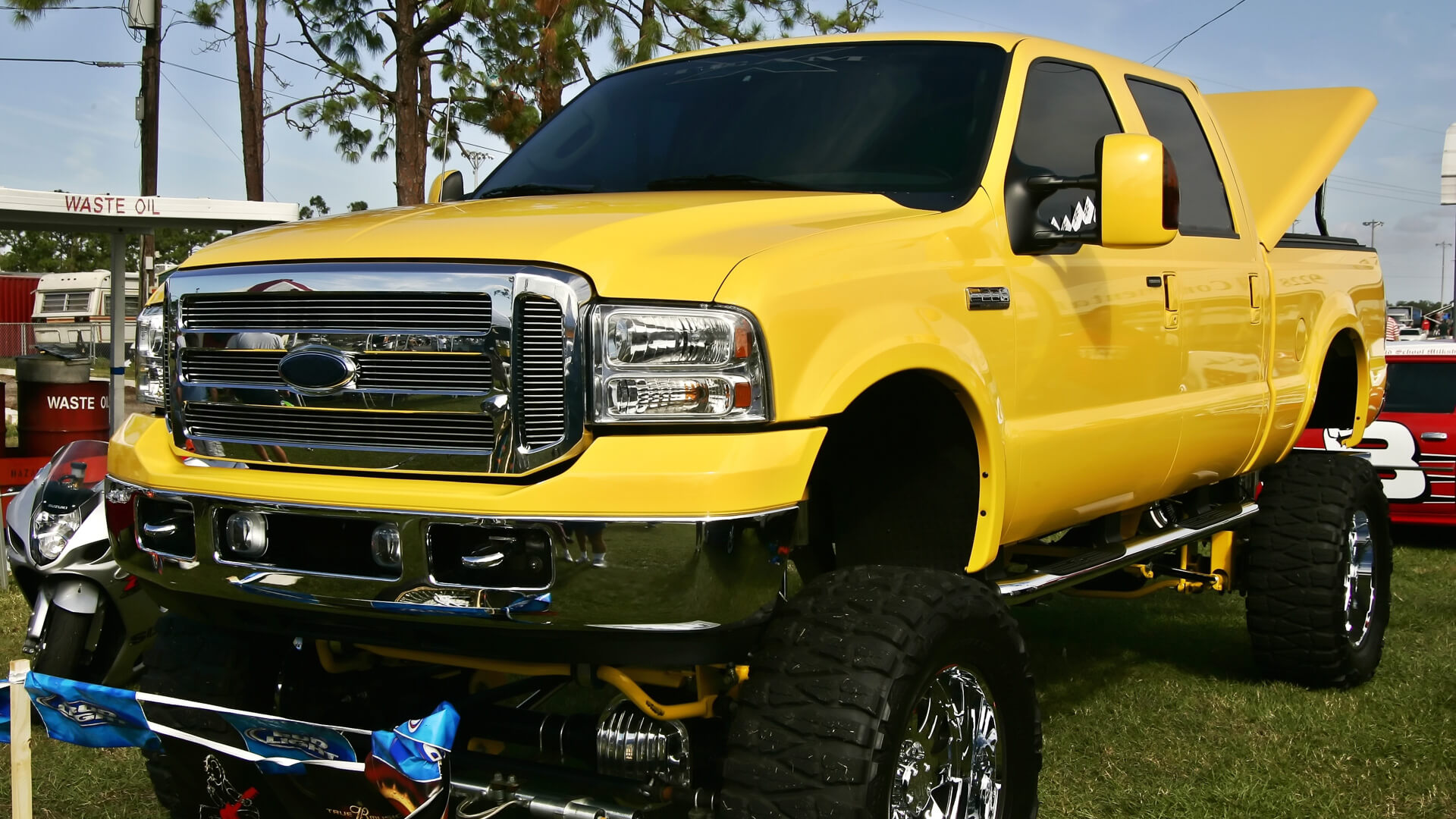 Lowering your car is a terrible upgrade and so is lifting it. Not only are lift kits very expensive — around $4,000 — but they can also be illegal if used to raise your car above a certain limit. It can also cause performance issues for the car because it can add strain on linkages, the drive shafts and the engine, according to Hot Cars.

Andrew Lisa and Gabrielle Olya contributed to the reporting for this article.