Celebrities Who Are Not as Rich as You Think 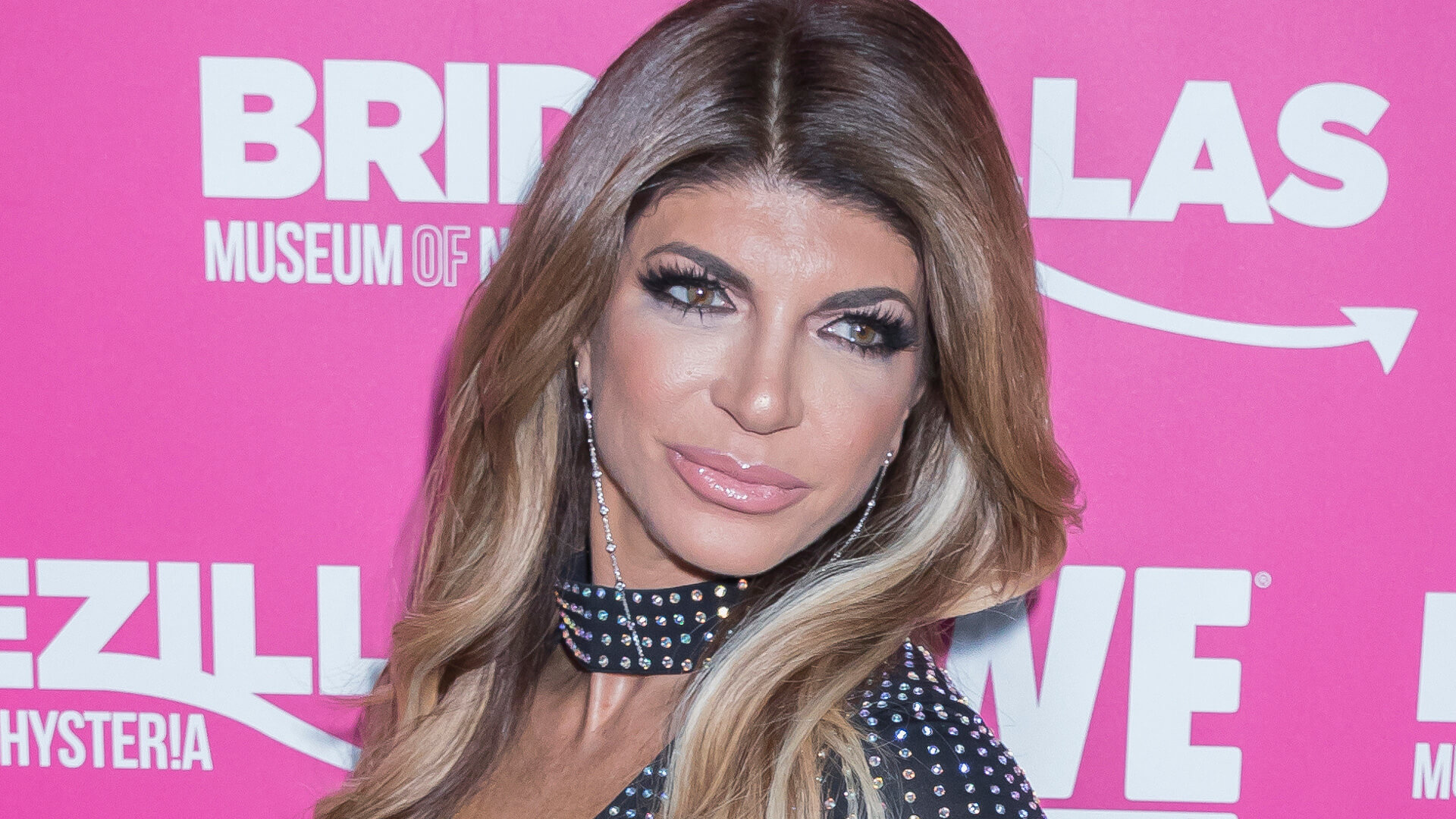 For some celebrities, life isn’t all Malibu real estate, Cadillacs and Hennessy. Plenty of Americans are drowning in debt, and just because your favorite actors and sports stars might make more money, that doesn’t mean they are immune to debt. As it turns out, even the most famous folks can wind up burdened by debt, causing them to go from riches to rags. 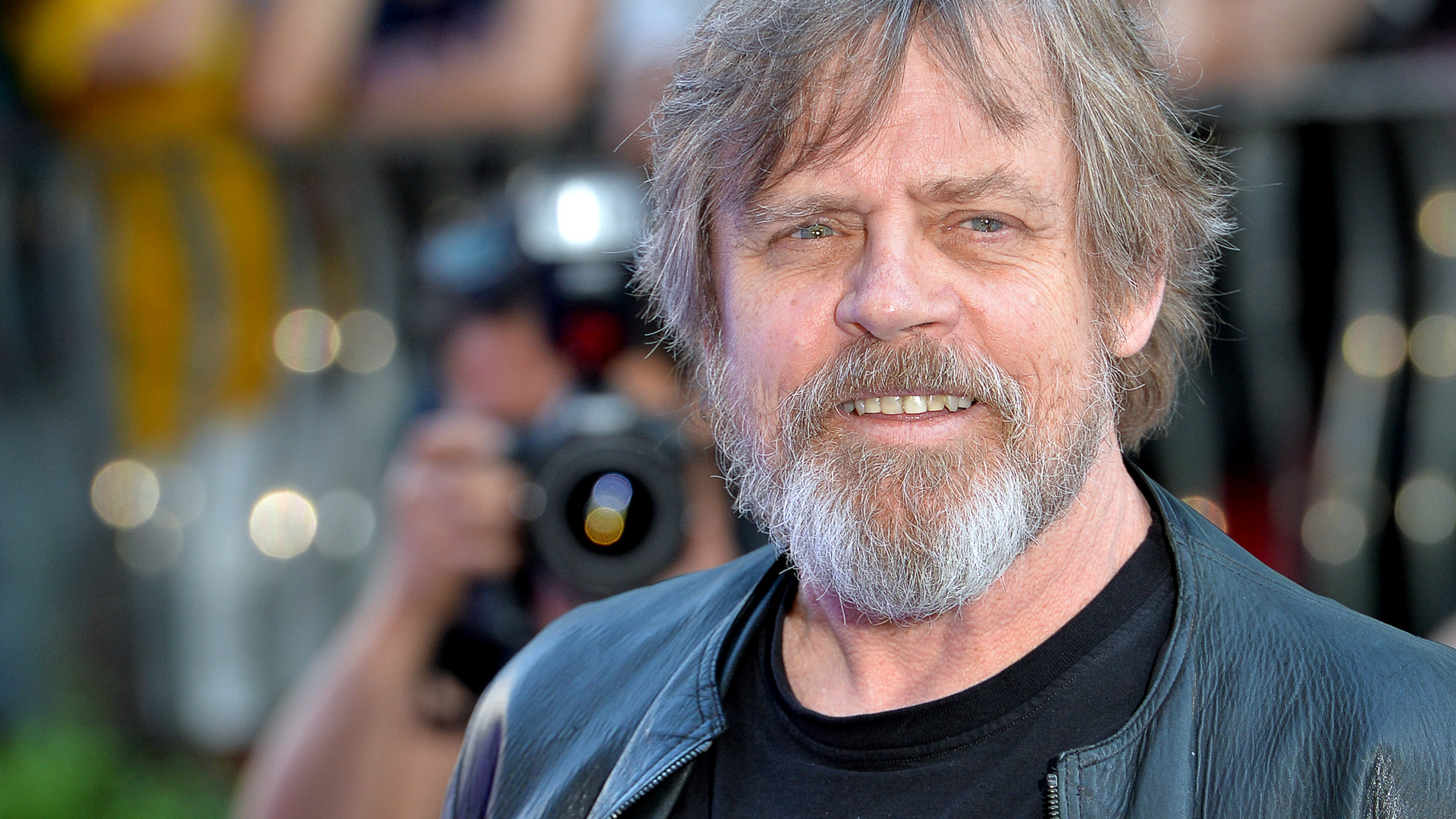 A net worth of $18 million is nothing to sneeze at, but it seems like pennies when you realize Forbes reported that the “Star Wars” franchise is worth almost $10 billion to its owners at Disney. Hamill isn’t enjoying a huge piece of that pie.

In his post-Jedi days, Hamill was a workhorse in the world of animation, famously voicing the Joker across multiple Batman TV series and video games for more than 20 years. Of course, now that Luke Skywalker is back on the silver screen, Hamill’s assets are rising. Variety reported that Mark took home a low-seven-figure salary for 2015’s “The Force Awakens” for a dialogue-free appearance. That figure was expected to rise for 2017’s “The Last Jedi,” and he’s continued working on major movies including 2019’s “Star Wars: Episode IX – The Rise of Skywalker.” 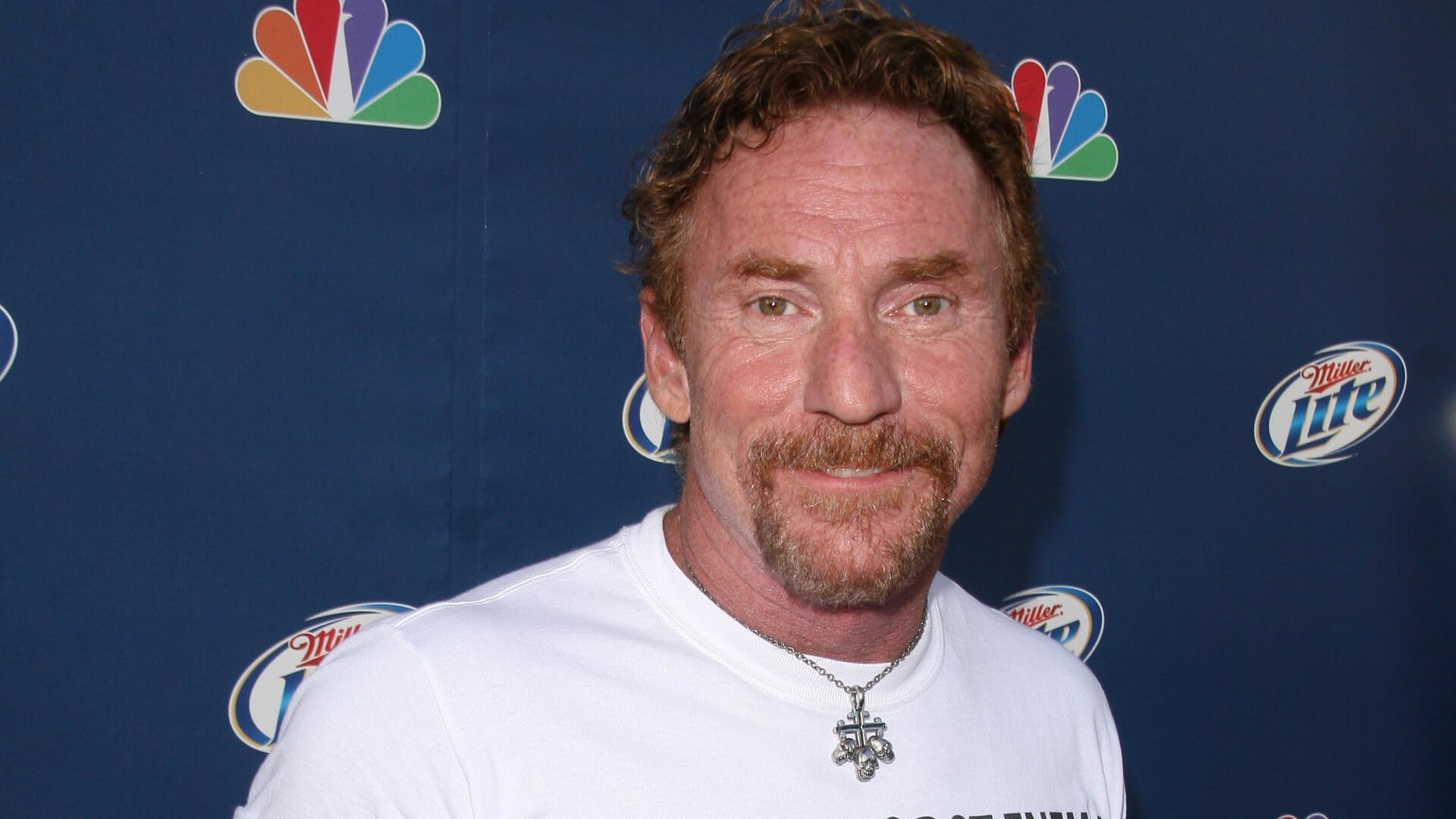 Danny Bonaduce has documented his battle with drug addiction in the Amazon book appropriately titled “Random Acts of Badness: My Story.” Best known for his role on “The Partridge Family,” he is now thriving in his second career as one of the country’s top celebrity radio disc jockeys. His on-air persona attracts listeners for its raw vulnerability. 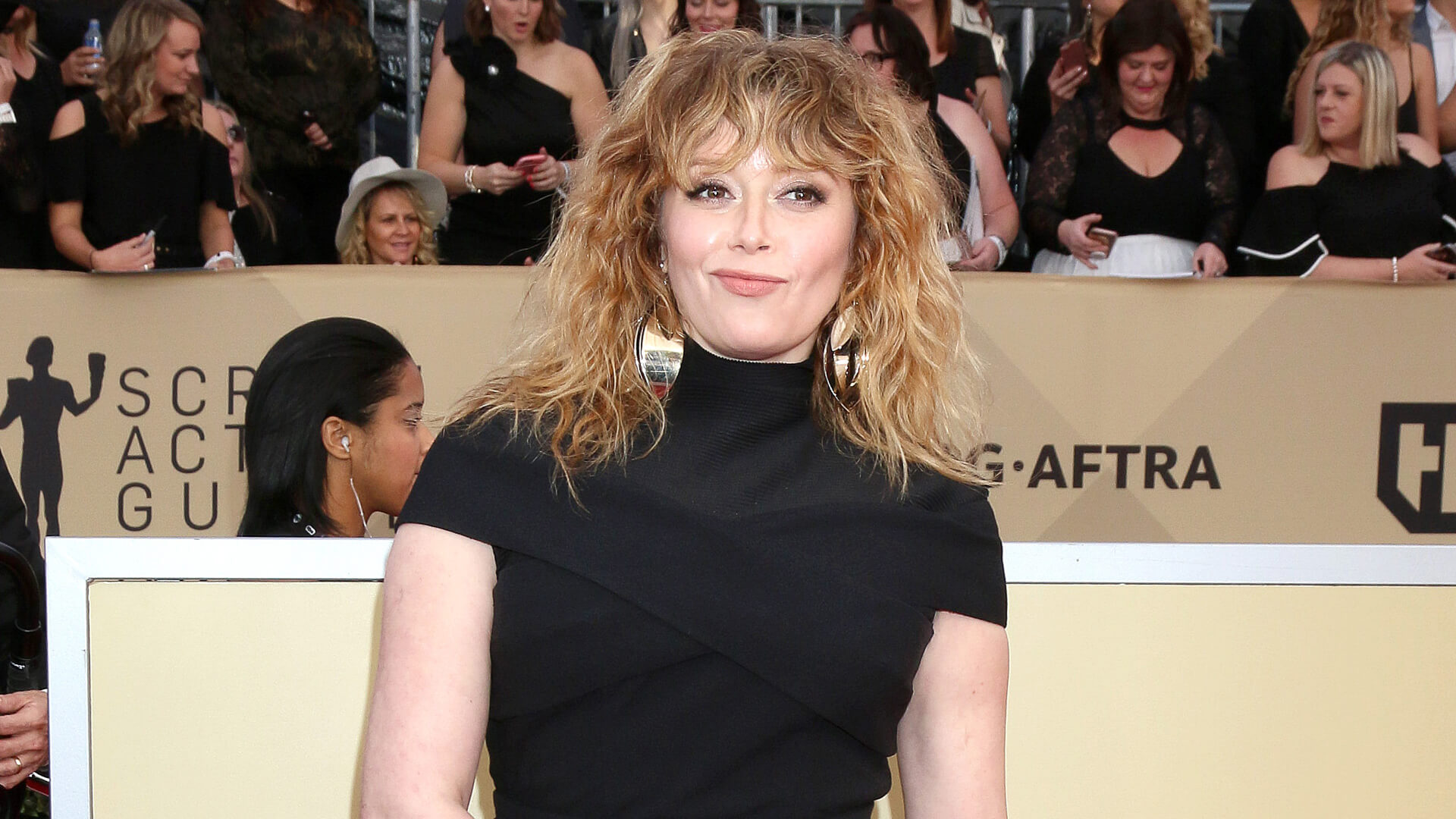 Natasha Lyonne began her career at the age of just 6 as one of the kids on “Pee-Wee’s Playhouse.” Like many child actors, growing up in Hollywood wasn’t all it was cracked up to be. After starring in “American Pie” and “Slums of Beverly Hills,” Lyonne admitted herself to a New York hospital in 2005 under a fake name and was treated for a number of conditions from heroin addiction to a collapsed lung and heart infection.

Since becoming a fan-favorite on the hit Netflix drama “Orange is the New Black,” her career and finances are back on the up and up. 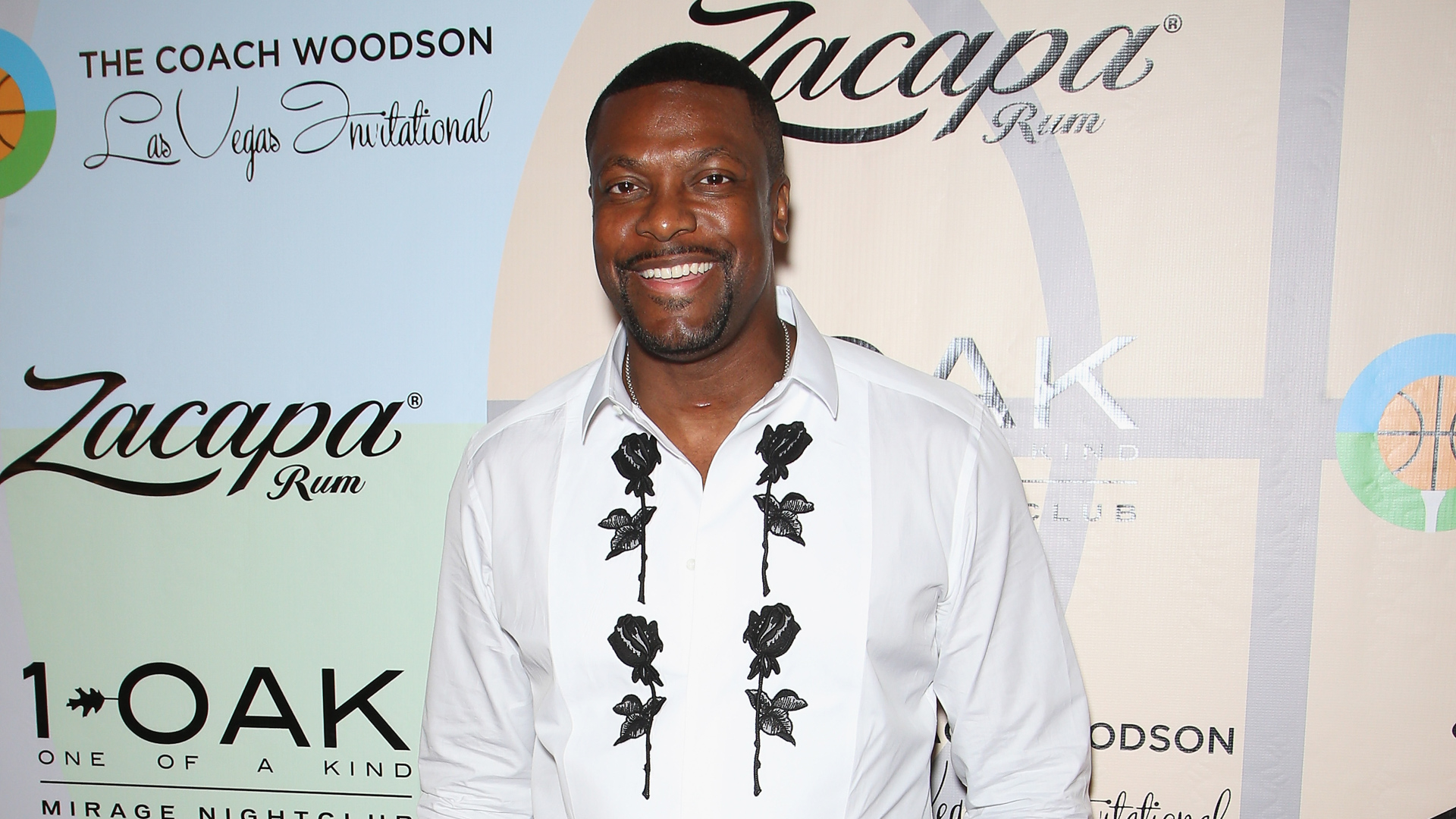 The star of “Fifth Element” and “Rush Hour,” Chris Tucker was once among the highest-paid actors in Hollywood, racking up paychecks of $25 million per picture. However, a string of financial crises — like foreclosing on his $6 million home in 2011, taking a feature film hiatus and settling a $2.5 million tax lien in 2014 — had a serious effect on his net worth.

Still, Tucker seems happy with being selective, even if he’s not quite as rich as he used to be. As he told the Los Angeles Times in 2015, “I want to get better. I want to do something that excites me, that is different and fun.” For this small-fortuned celebrity, at least, money truly isn’t everything.

Ways To Lose It All: PR Nightmares That Cost Celebrities Big Bucks 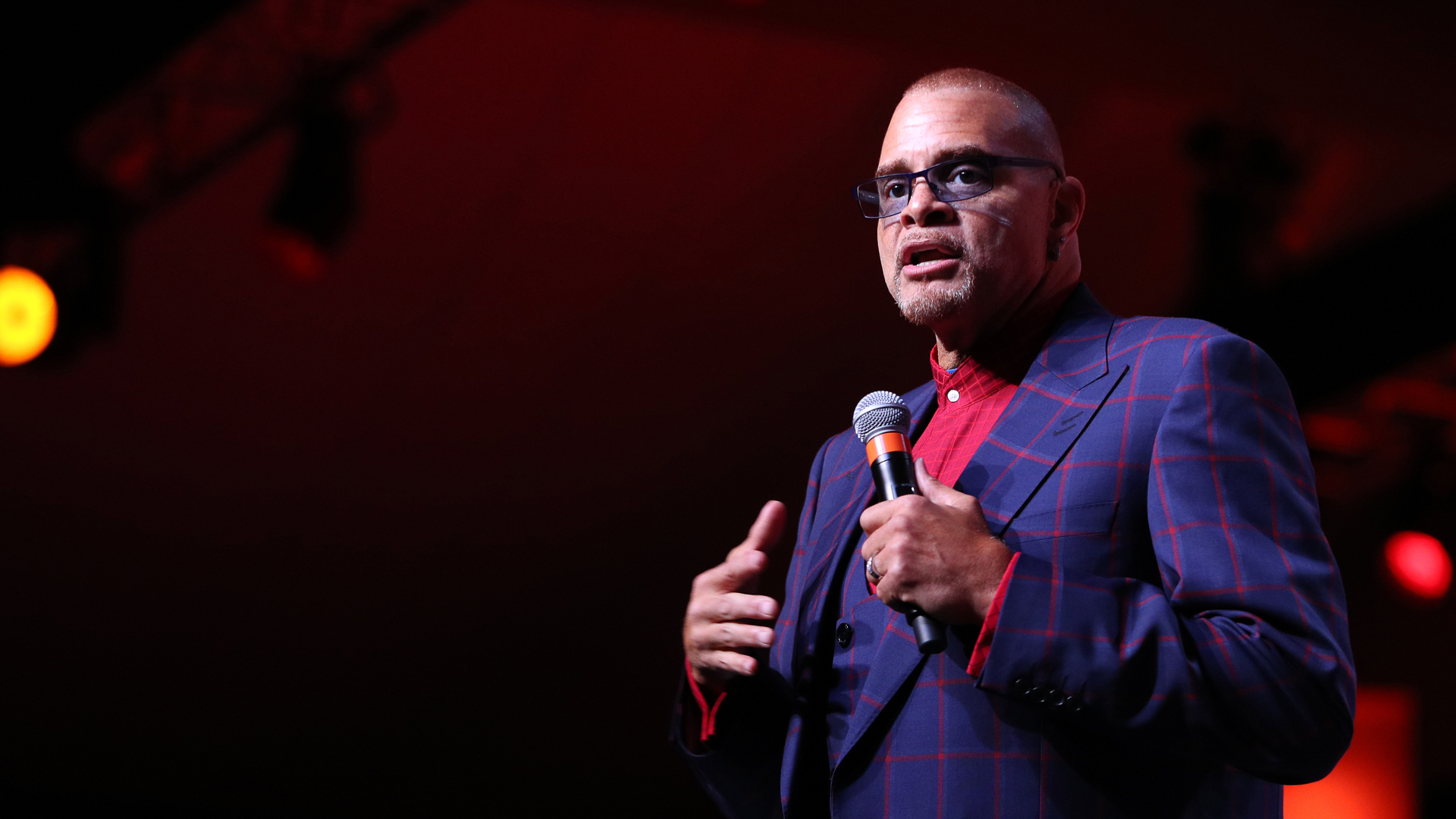 In 1996, Sinbad was in “Homeward Bound II,” but by 2013, he was working on a different sort of sequel — his second bankruptcy, following an initial one in 2009. At the time, TMZ reported a roster of debt, including $8.3 million owed to the IRS, $374,979 owed to American Express and $2.3 million owed to the California Franchise Tax Board. If you want to help Sinbad out, you can still buy a hardcover copy of “Sinbad’s Guide to Life” on Amazon — just don’t follow the financial advice. 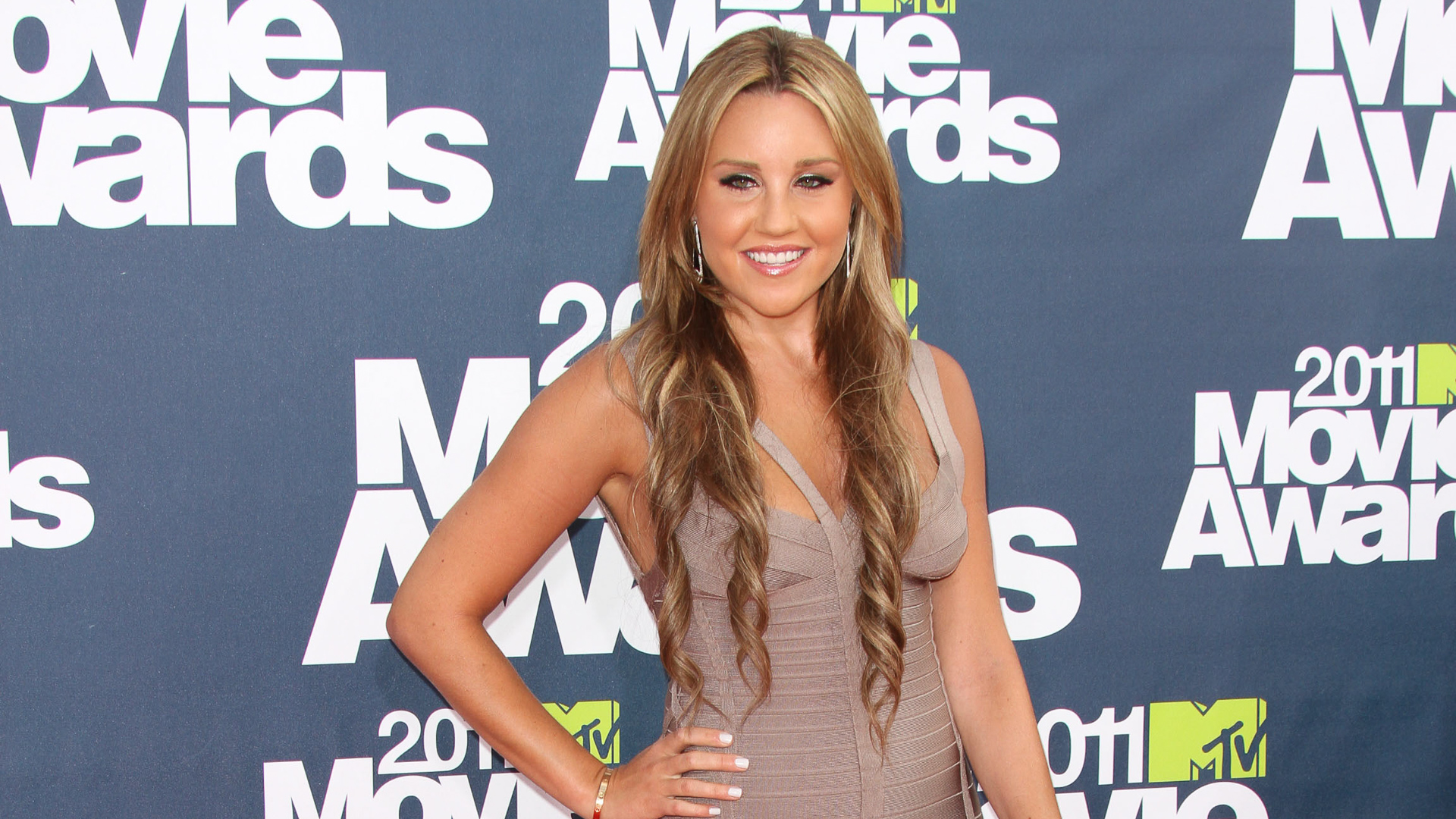 Amanda Bynes grew up in the spotlight, starring in the self-titled “The Amanda Show” on Nickelodeon before graduating to teen comedies like “Easy A” and “What a Girl Wants.” After suffering a very public mental breakdown in 2013, the child star was placed under psychiatric hold and temporary conservatorship over her medical care and finances. Lately, she’s been in the news again after rumors of a possible pregnancy, which her lawyer has since denied. 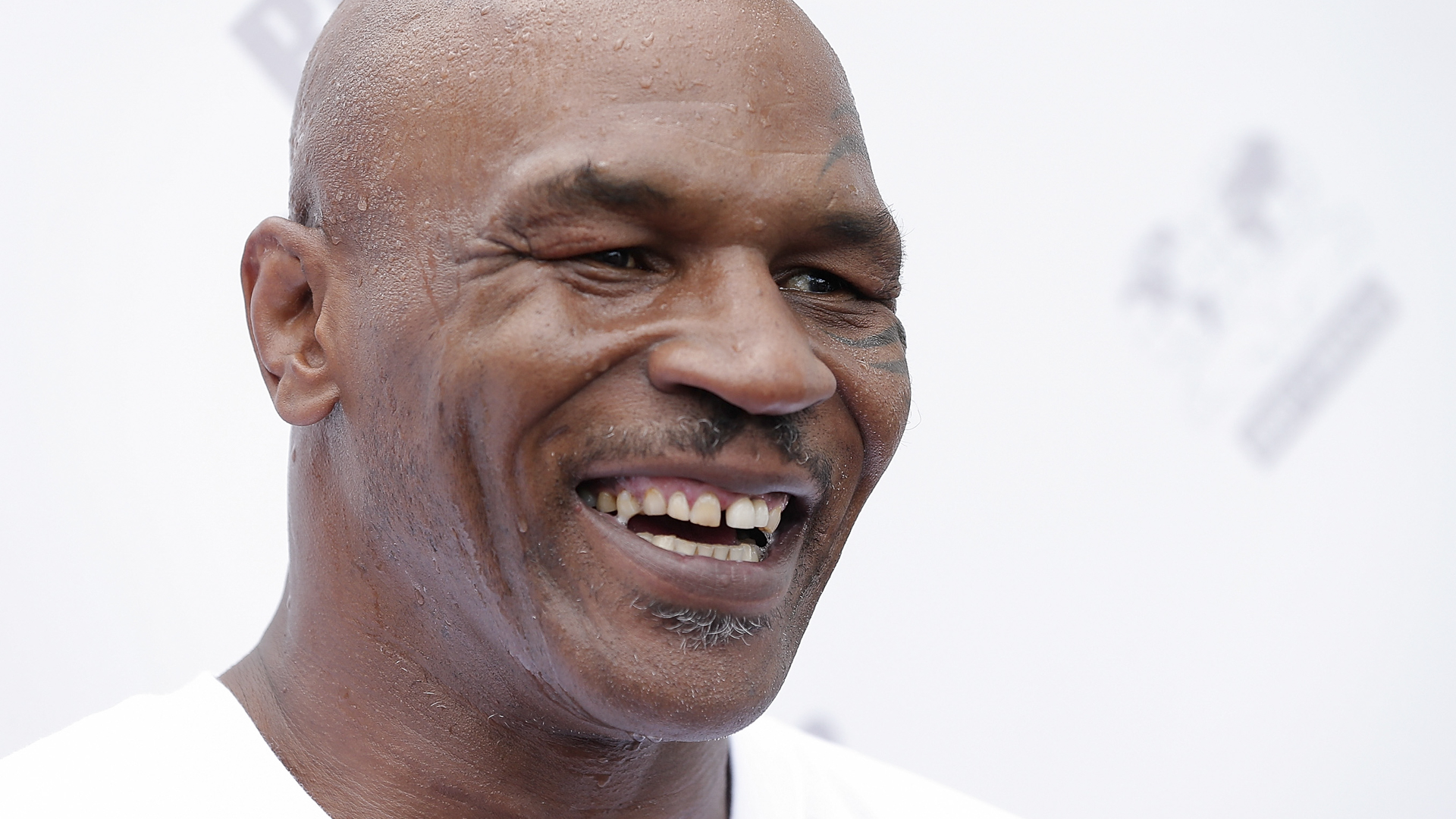 Now retired, Mike Tyson earned in excess of $300 million throughout his career as a boxer. Since the late ’80s, though, Iron Mike has grappled with assault charges, jail time, drug problems, excessive spending and a 2003 bankruptcy. He once told CNN Money, “I didn’t think I’d make it through my 30s.”

So far, Mike has made it to 53 and — though his current net worth might be pale in comparison to his former fortune — he even managed to come out of bankruptcy alive. 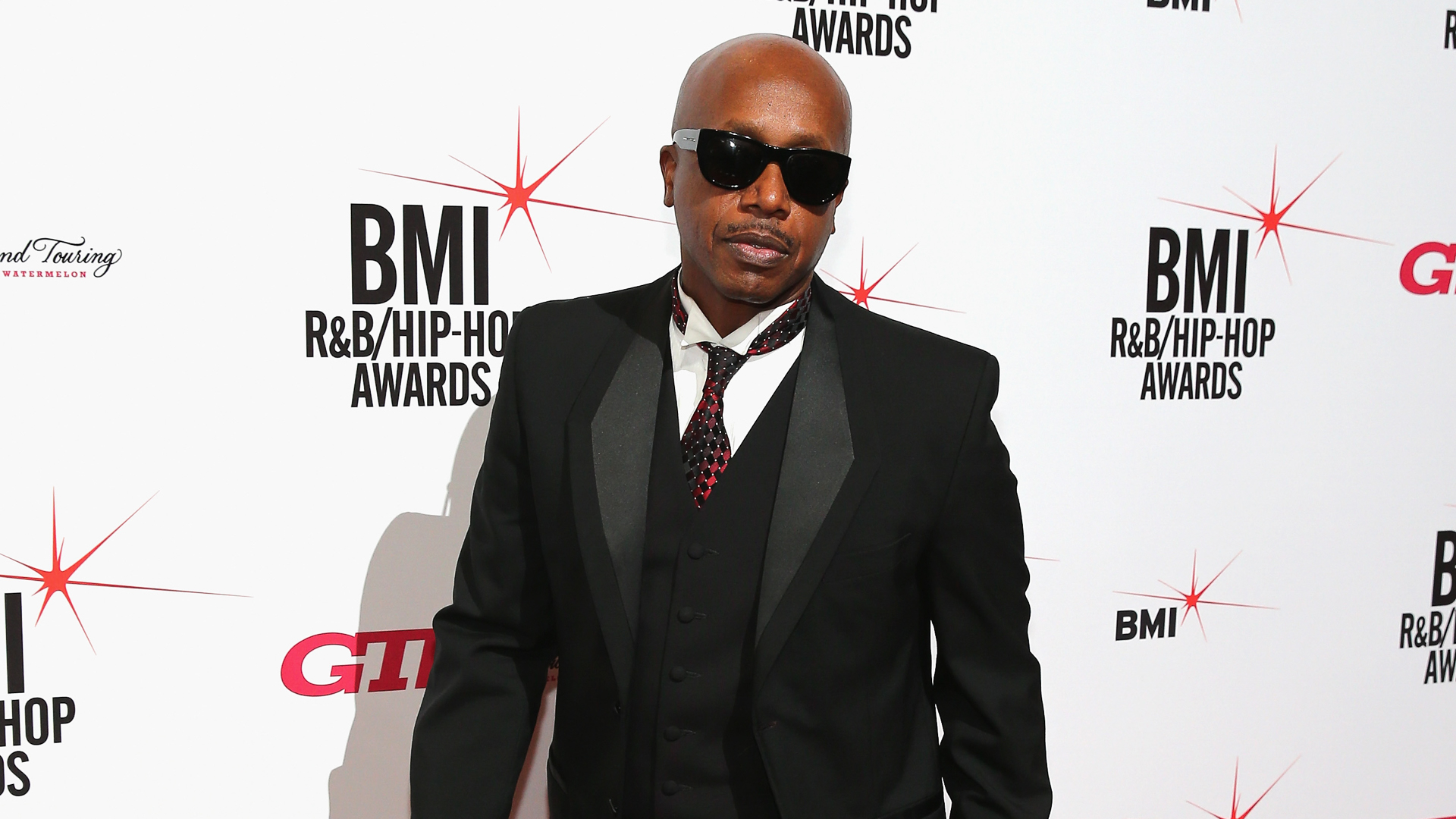 The 1990s truly were “Hammer time.” Riding high on a fortune of over $25 million, Hammer had a 17-car garage, a swimming pool in the shape of his famous puffy genie pants and a staff of 200 he was paying about $6.2 million annually. So, how did Hammer’s net worth shrink to a post-bankruptcy $2 million? The answer lies in one word: sustainability. 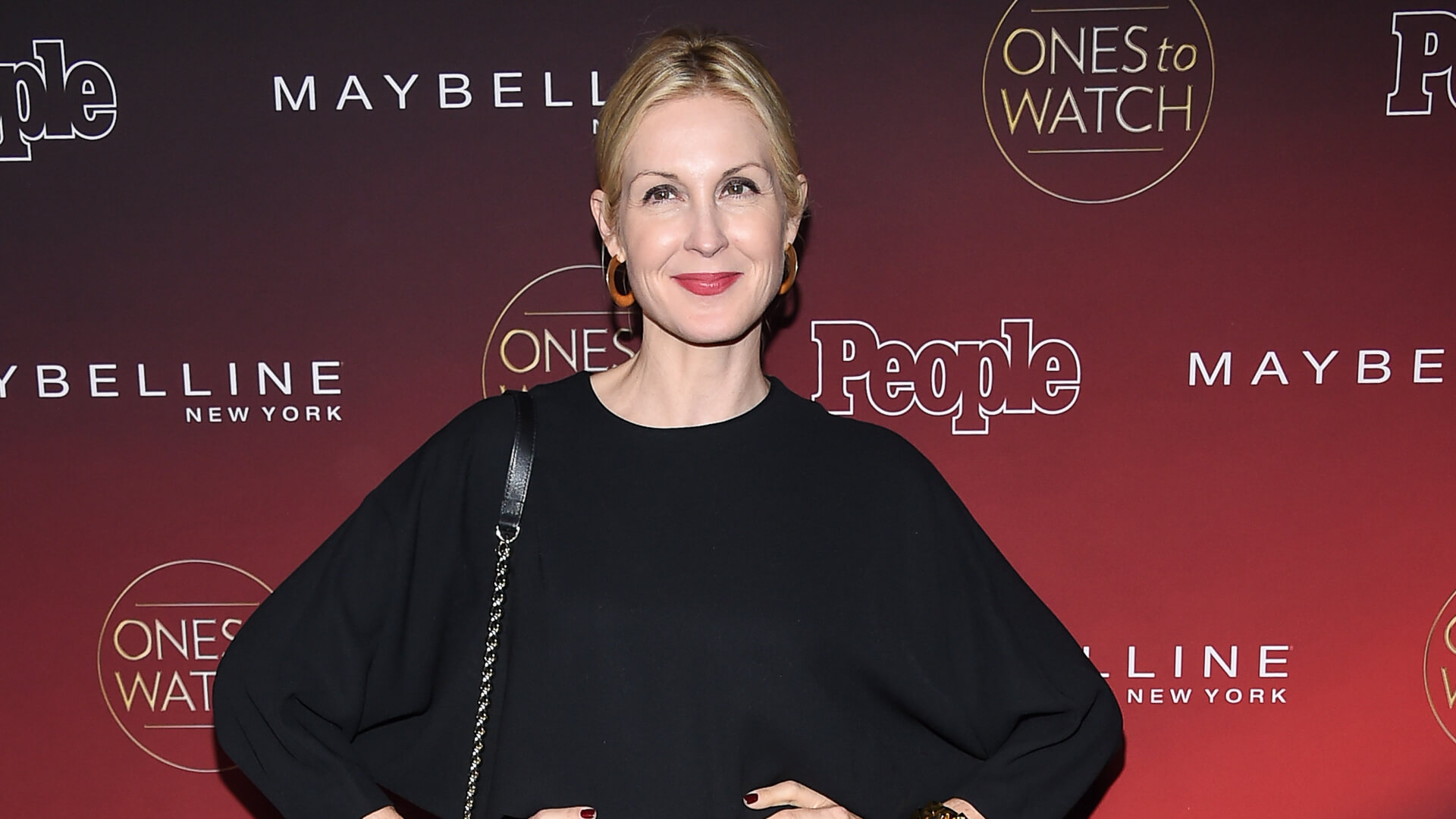 Kelly Rutherford began her career in the soap opera world, bouncing between TV appearances. Best known for her roles in “Melrose Place” and “Gossip Girl,” the actress has had a number of supporting roles both on the big screen and the TV screen.

She filed for Chapter 7 bankruptcy in 2013 after a brutal custody battle. A Monaco judge granted Rutherford’s ex-husband full custody of their two children, Hermes and Helena, after she refused to return them following a summer vacation in the U.S. She fought for custody for seven years, racking up legal fees that reportedly totaled $1.5 million dollars. 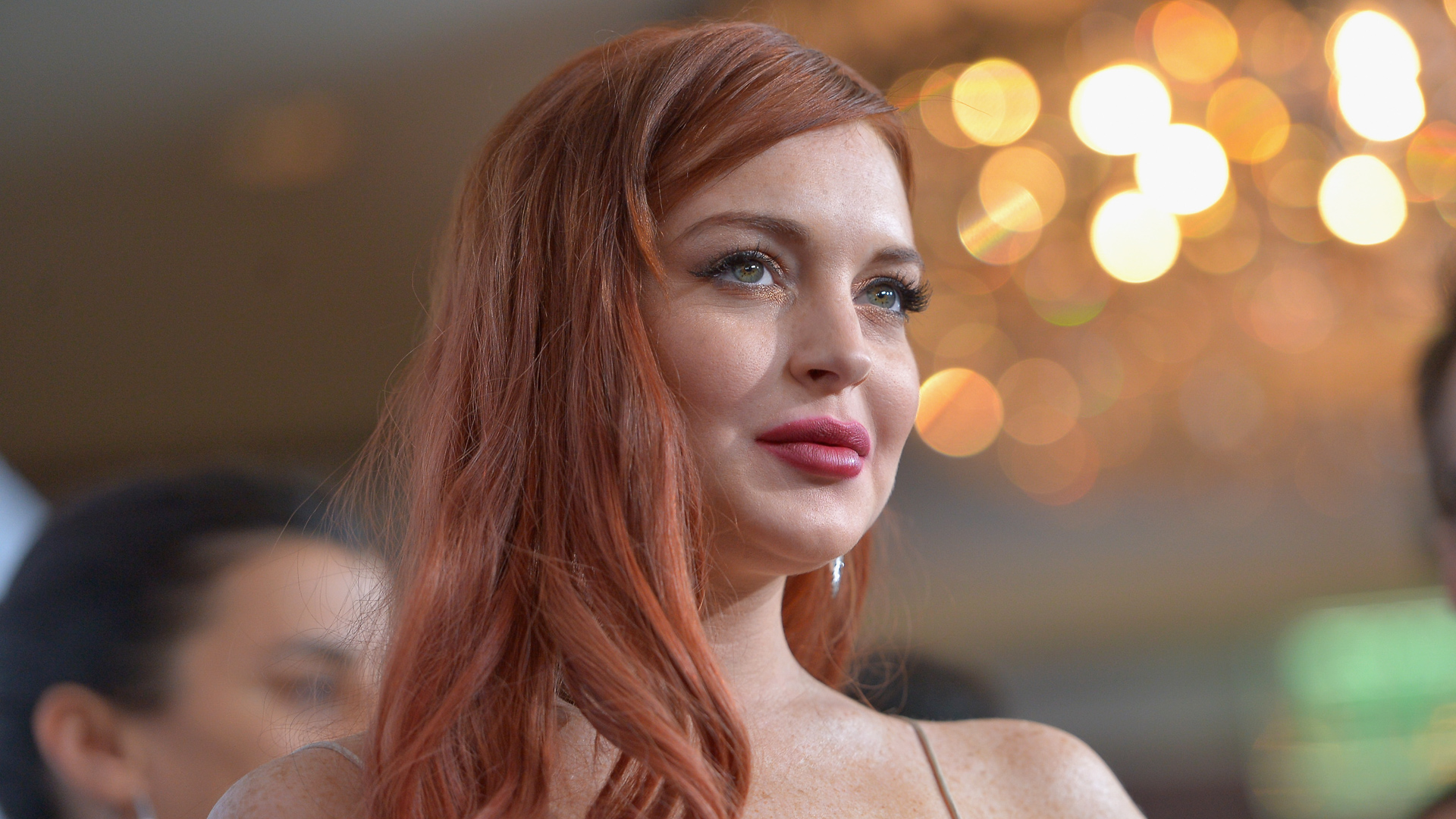 Drugs, alcohol and general debauchery don’t always break the bank for famous celebrities. However, Lindsay Lohan is one star whose financials took a serious hit as a result of her partying. The “Mean Girls” actress’ bank account was seized by the IRS in 2012, bringing her net worth now down to a mere $800,000. 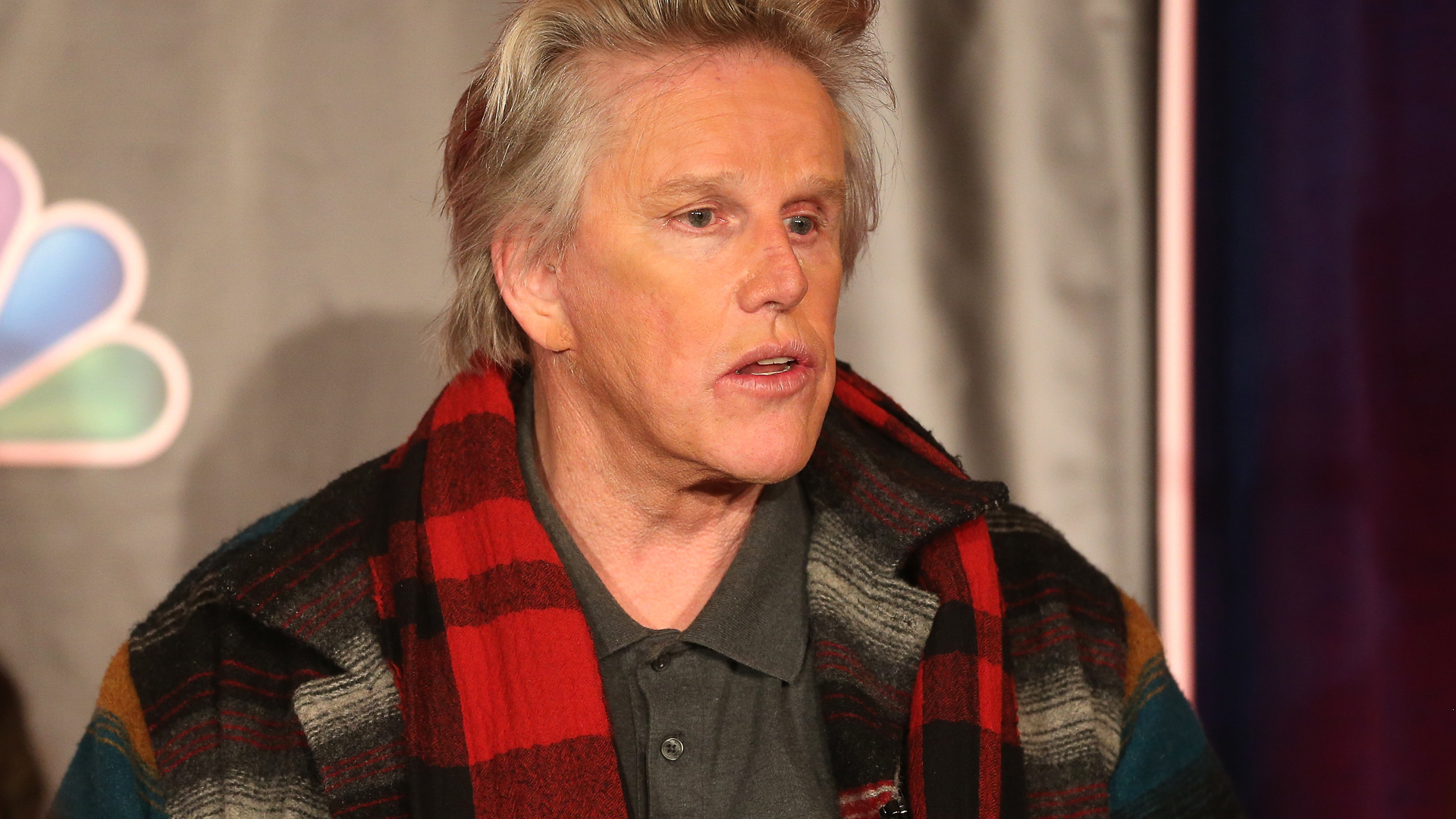 Known for his rampant drug use and unfiltered behavior on reality shows like “Celebrity Big Brother,” Gary Busey has suffered his share of media mishaps. Still, the actor works regularly — he’s been working on a number of projects in recent years, according to IMDB. Despite a career of over 50 years, Busey has suffered some serious financial issues. He filed Chapter 7 bankruptcy in 2012 and owed everyone from Wells Fargo to the UCLA Medical Center, leaving him with a net worth that’s estimated at $500,000.

Major Earners: Celebrities Who Are Richer Than You Think 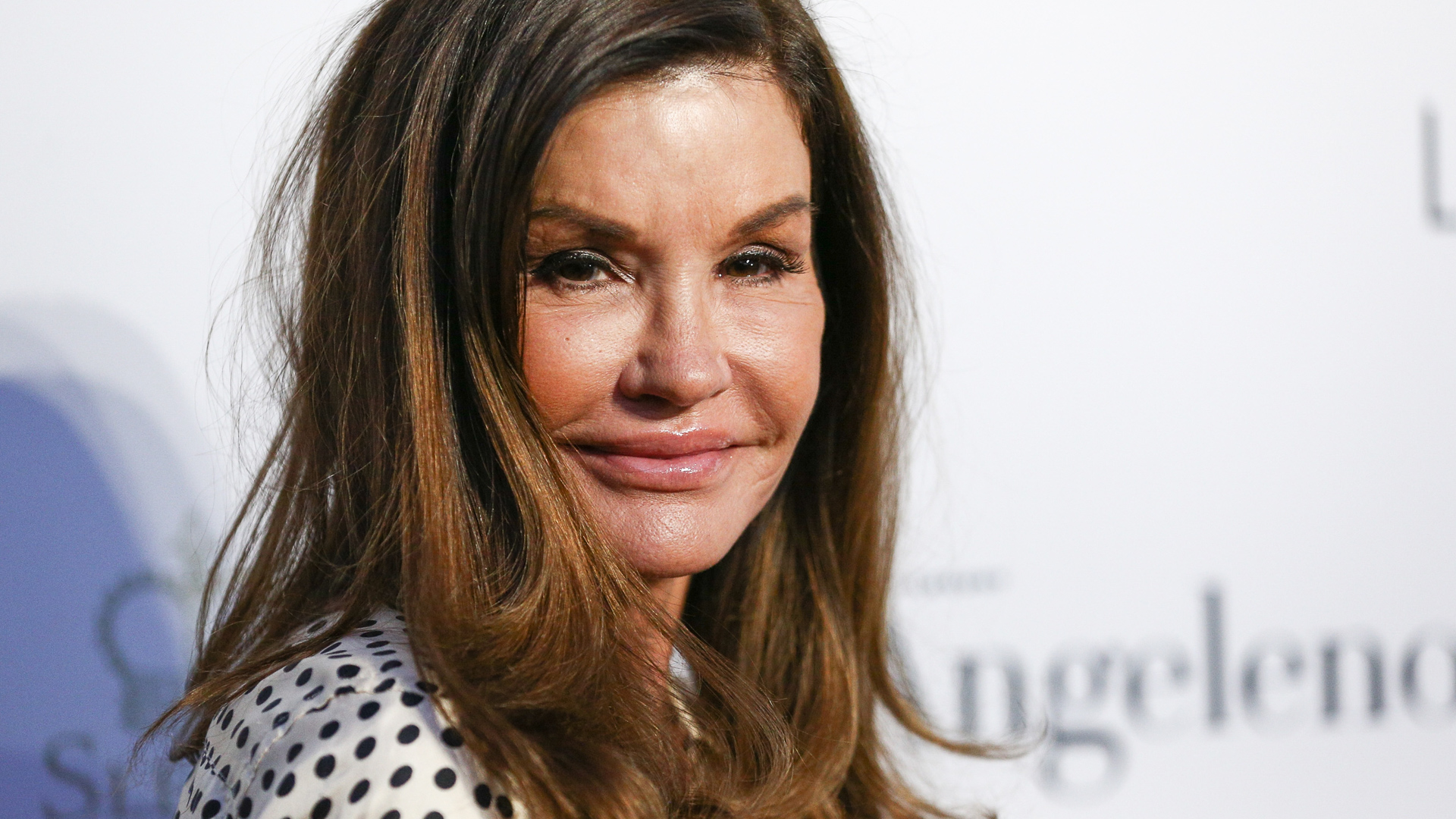 It’s not uncommon for actors and models to squander their fortunes. However, it’s a sad day when the self-proclaimed “world’s first supermodel” — a woman who has been in the business for more than 40 years — sports a net worth of just a half-million dollars. Even after years of serving as a judge on “America’s Next Top Model,” Dickinson filed for bankruptcy in 2013, claiming that she had only $19,000 in assets and $1 million in liabilities, including $300,000 owed to City National Bank and $550,000 in back taxes. 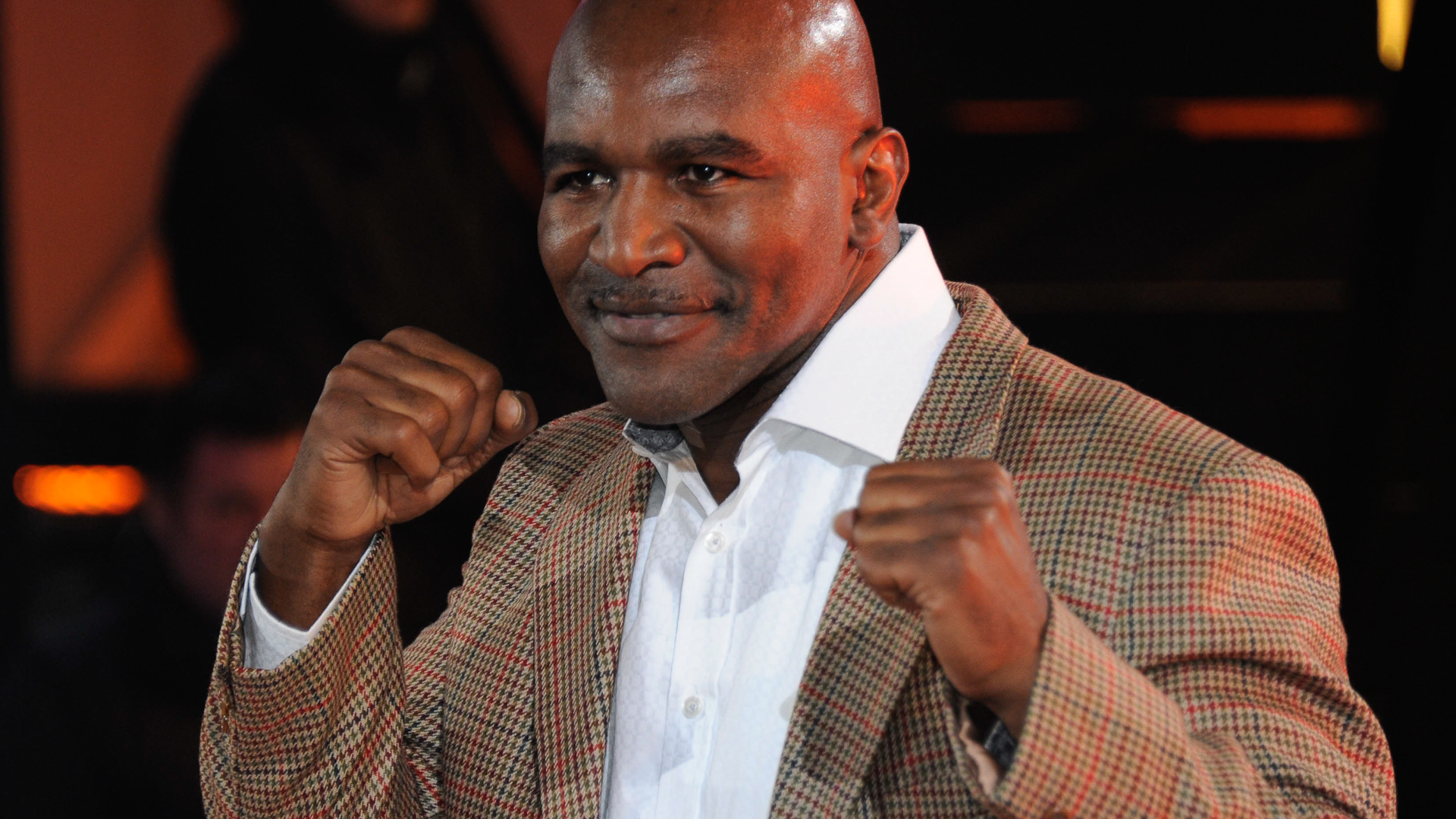 During his 20-year boxing career, Evander Holyfield took home an Olympic bronze medal, WBA, WBC and IBF titles, plus the honor of World Heavyweight Champion an impressive four times. He also took home an estimated $230 million in prize money. However, thanks to some over-the-top spending and a few decades’ worth of IRS issues, foreclosures and expensive mortgages, Holyfield lost his 54,000-square-foot Georgia mansion, his bronze medal and many of his other possessions, leaving him with a financial value of just $500,000 — and the realization that nothing lasts forever. 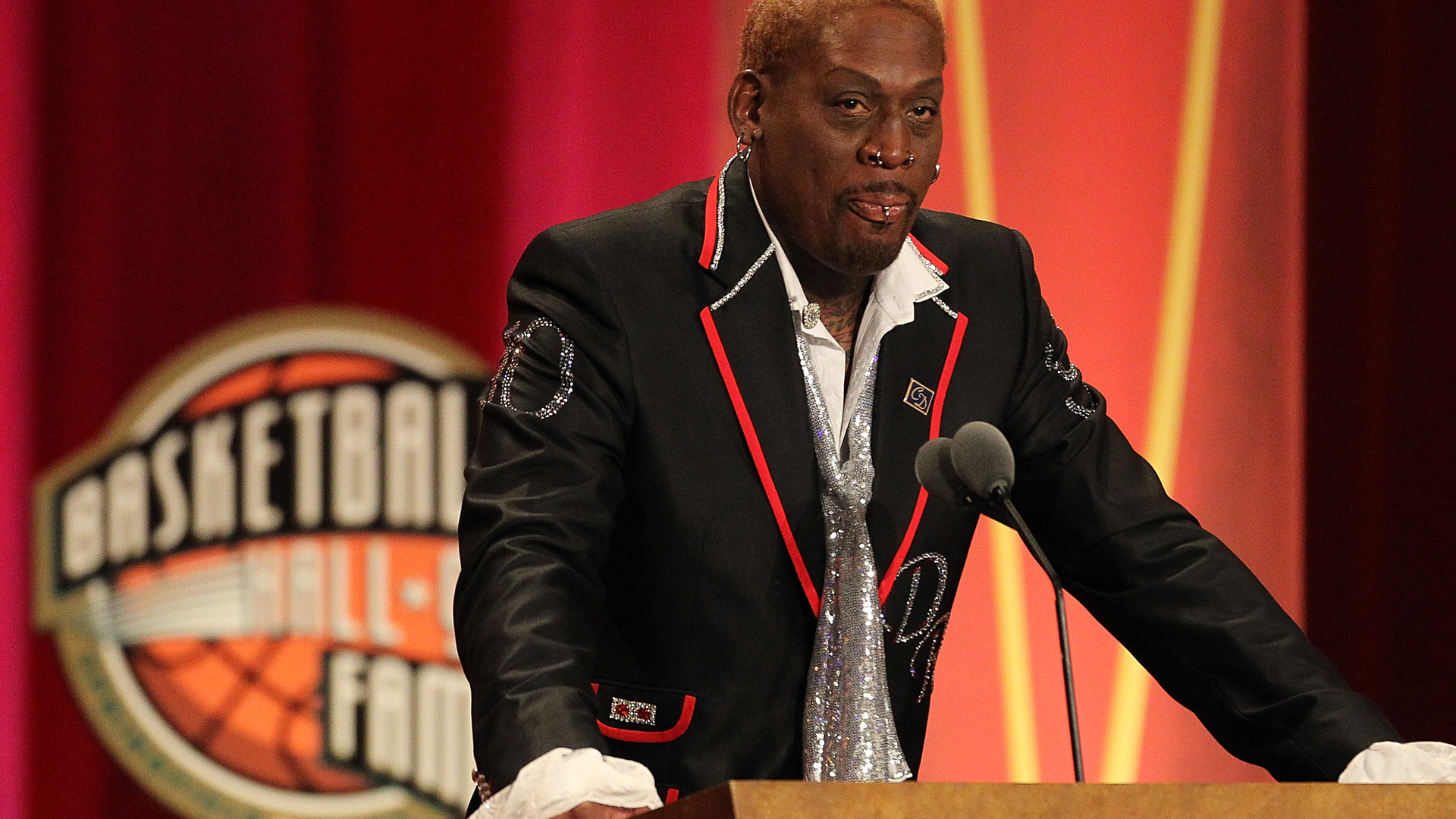 Nowadays, rebound king Dennis Rodman is part of the $500,000 club, but that wasn’t always the case. During the 1991-1992 season, he earned over $1 million; and at the peak of his basketball career with the Chicago Bulls, the athlete brought home almost nine times that amount, raking in nearly $27.4 million throughout his NBA career. Rodman’s riches didn’t last, however. In 2012, the athlete claimed he was too broke to pay the $800,000 he owed in child support. 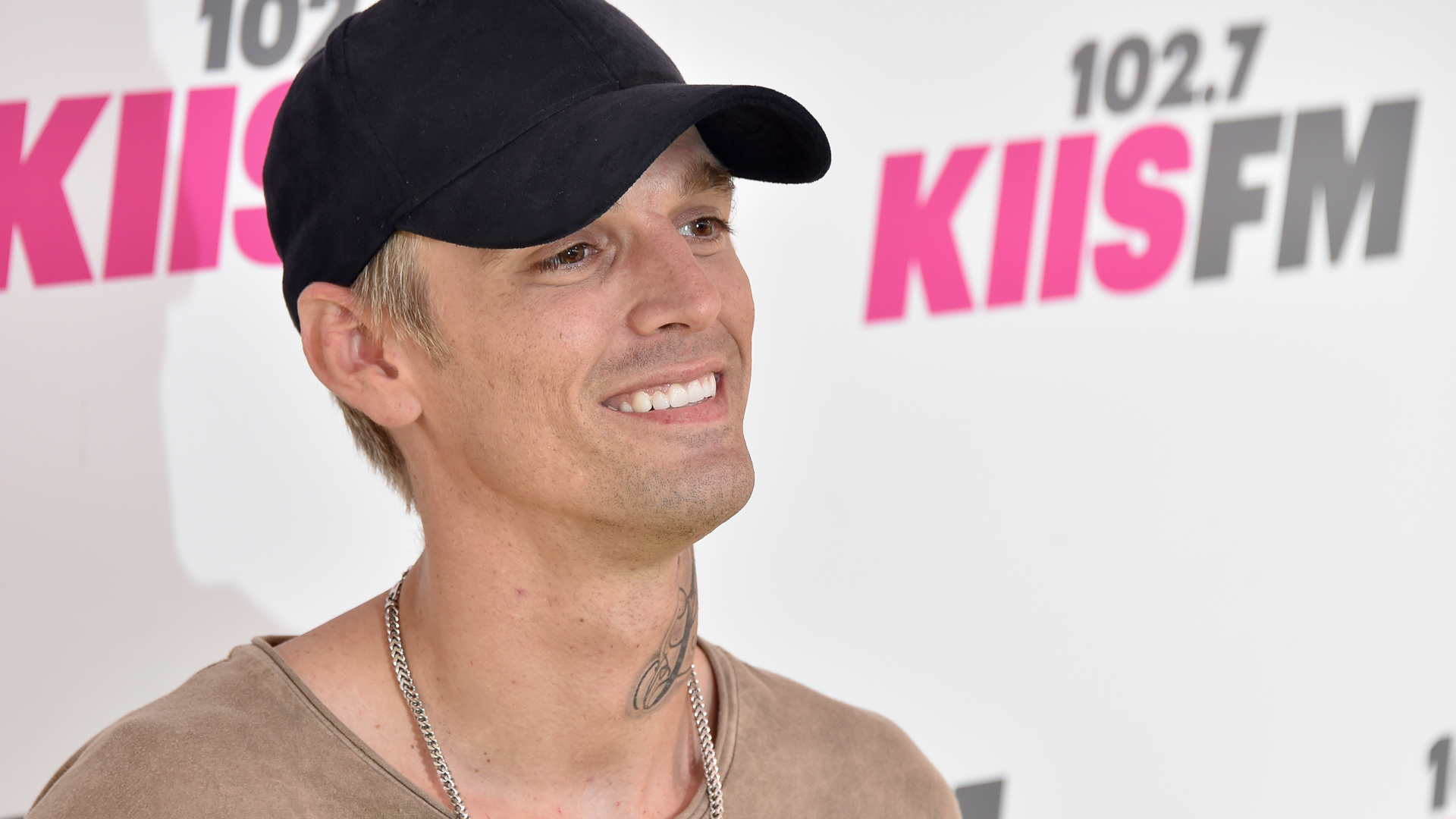 Aaron Carter has made recent headlines for reasons including his sexuality and weight loss, but his $400,000 net worth is a whole other story. Speaking to the Huffington Post in 2016, Carter said that he had made more than $200 million by the time he was 18, but financial mistakes like buying ostentatious houses and neglecting to pay taxes cost him millions.

Still, Carter apparently isn’t living life in the poor house. He told the Post, “I’m not broke. I mean, I don’t make all the money in the world right now, but I’m doing the best that I can.”

Read More: The Richest Celebrity From Every State 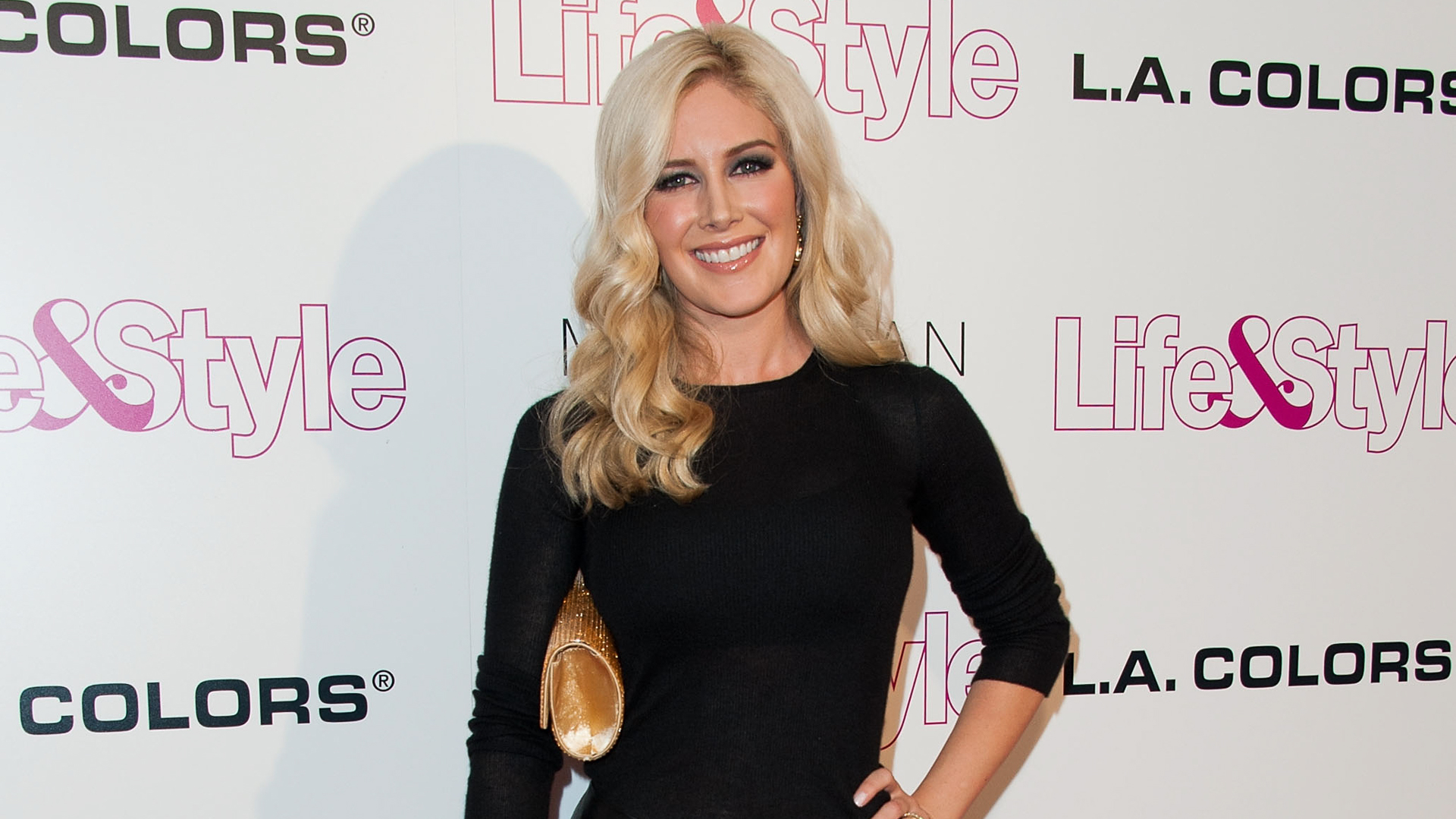 Although you might not expect reality stars to earn as much as A-listers, many of them do quite well for themselves. Forbes reports that “Real Housewives” star Bethenny Frankel, for instance, earned $8.5 million in 2016. But despite building up a big name in the reality world via appearances on “The Hills,” “Famous Food,” “Celebrity Big Brother” and other shows, Heidi Montag now sits on an estimated value of only $100,000.

Montag and her husband, Spencer Pratt, were once earning $2 million a year, but now have “nothing to show for what we’d done,” as she told People in 2016. That’s because $3,000 bottles of wine, $15,000 nights out and a $1 million wardrobe will deplete even the most generous of salaries. 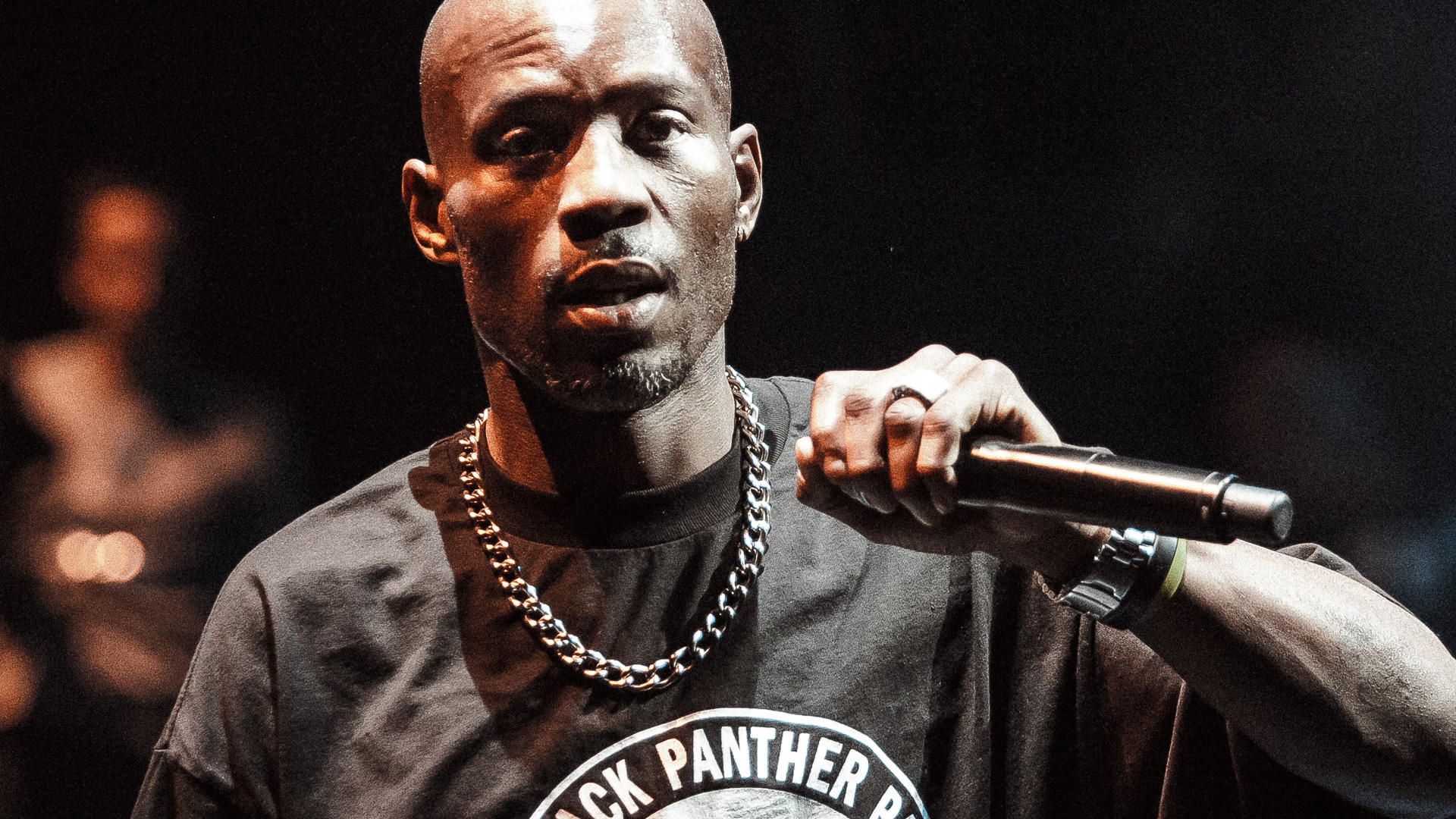 Here’s the recipe that got DMX to the top of the poorest celebrities: Start with 30 million albums sold and then add child support for 15 children and $2 million owed to various creditors like Compass Bank. Throw in a dash of Chapter 13 bankruptcy, and an alleged $0 in the bank, and then add in $2.3 million in restitution for tax evasion. The end result is three of those platinum albums being sold on eBay for a total of $3,000. 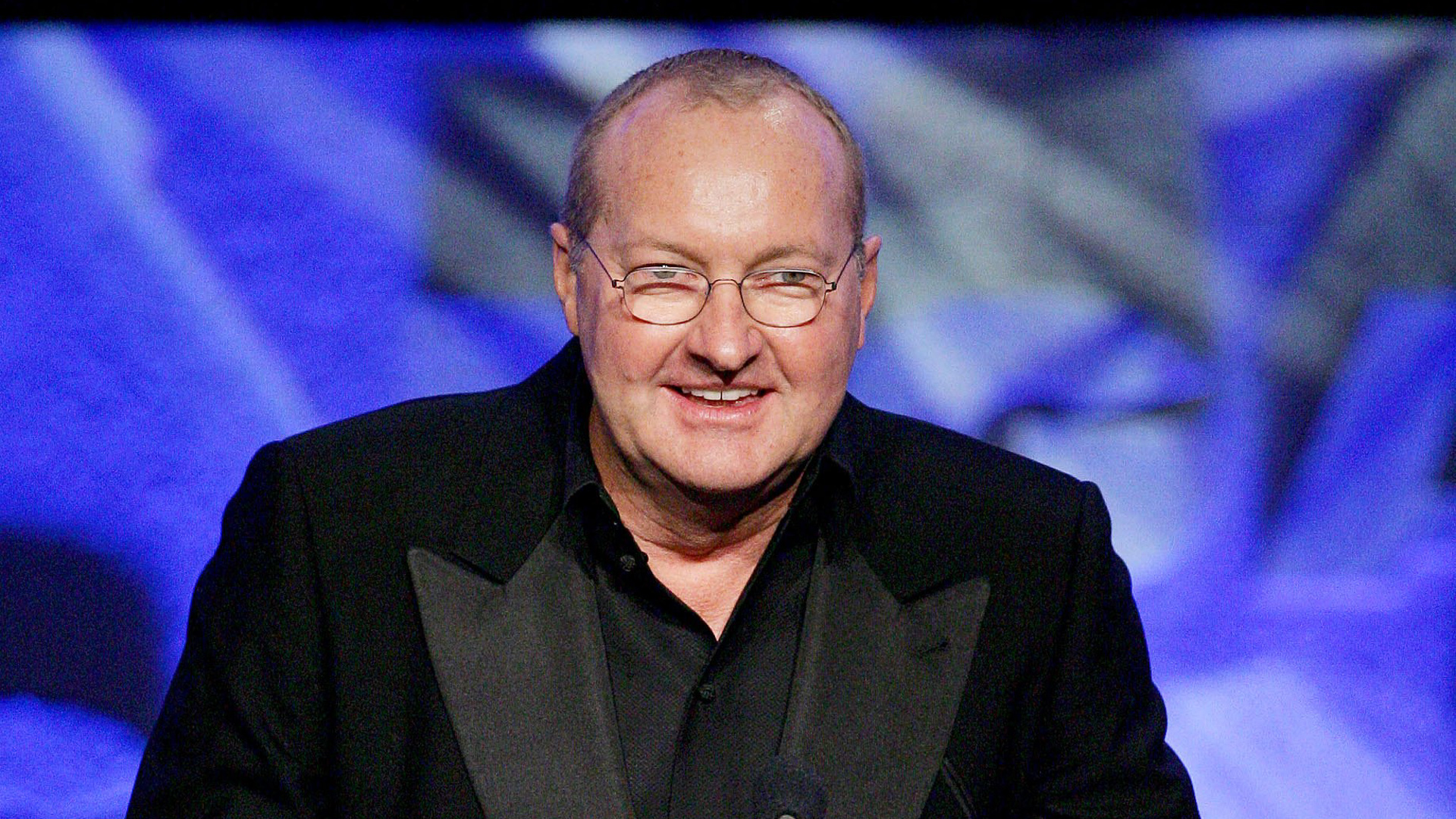 If you’ve seen “National Lampoon’s Christmas Vacation,” “Days of Thunder” or “Independence Day,” you might have a soft spot for Randy Quaid. However, the Golden Globe winner and Oscar nominee has fallen on some hard (and weird) times over the years, often on the run from law enforcement for racking up unpaid hotel tabs of $10,000 apiece. Randy and his wife, Evi, claim that the root of their problem lies with the “Hollywood Star Whackers,” a secret underground cult that defames or assassinates movie stars as means of embezzling their fortunes. Now that’s a story worthy of a blockbuster. 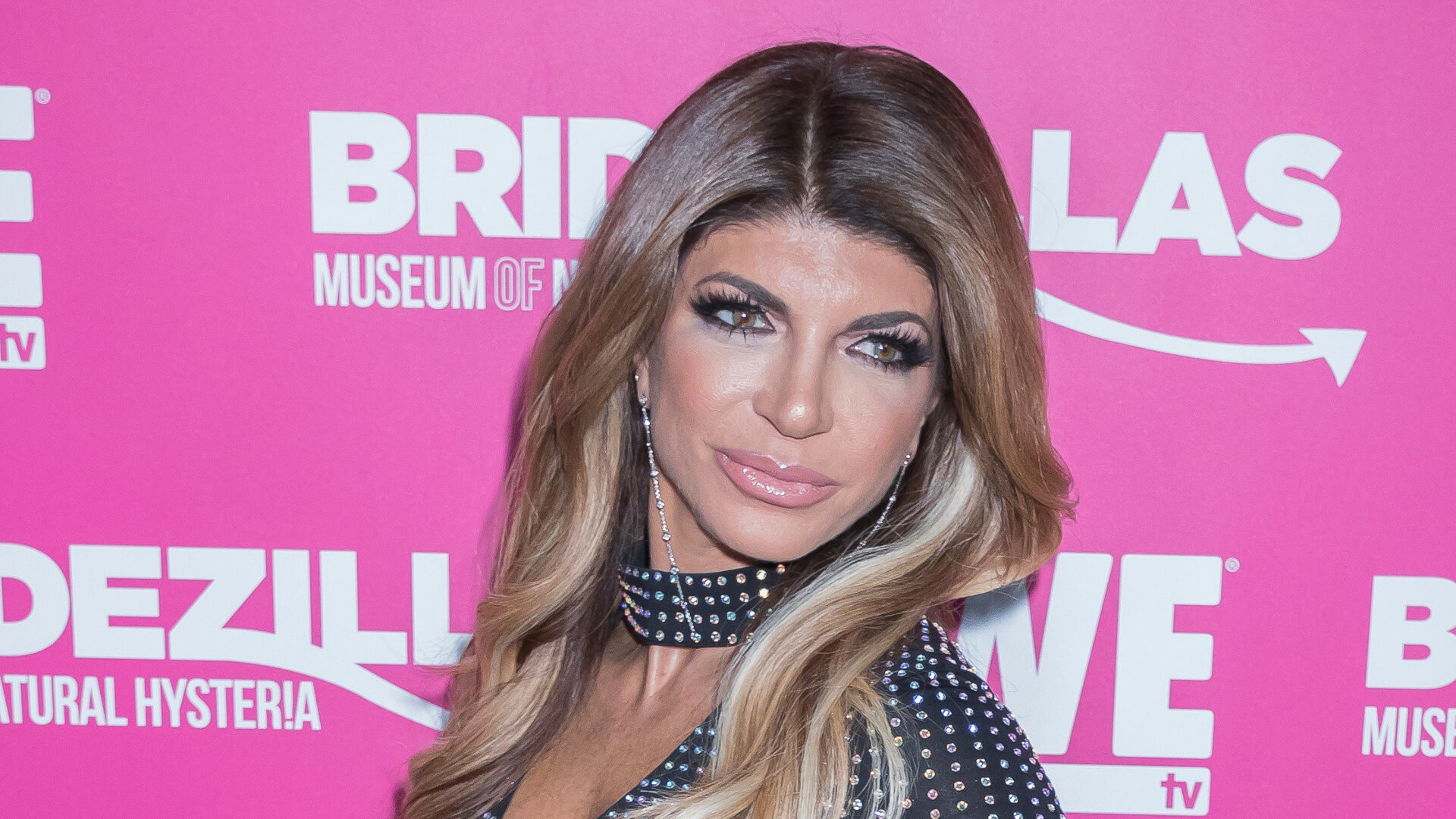 Another reality star who fell on hard times, the “Real Housewives of New Jersey” star filed for bankruptcy in 2011. However, both she and her husband, Joe Giudice, were indicted in 2013 on 39 counts of conspiracy to commit mail fraud, bank fraud, wire fraud and a host of other charges.

As of February 2017, Giudice had paid off her $414,588 restitution related to her charges. Despite being the poorest celebrity on our list, it isn’t cheap being a “Real Housewives” star and Giudice has been seen sporting a $90,000 Lexus, a present to herself after serving nearly a year in prison.

Lauren Monitz contributed to the reporting for this article.

All net worths were sourced from Celebrity Net Worth and are accurate as of May 12, 2020.