Celebrity Salaries vs. the Salaries of the Characters They Play on TV 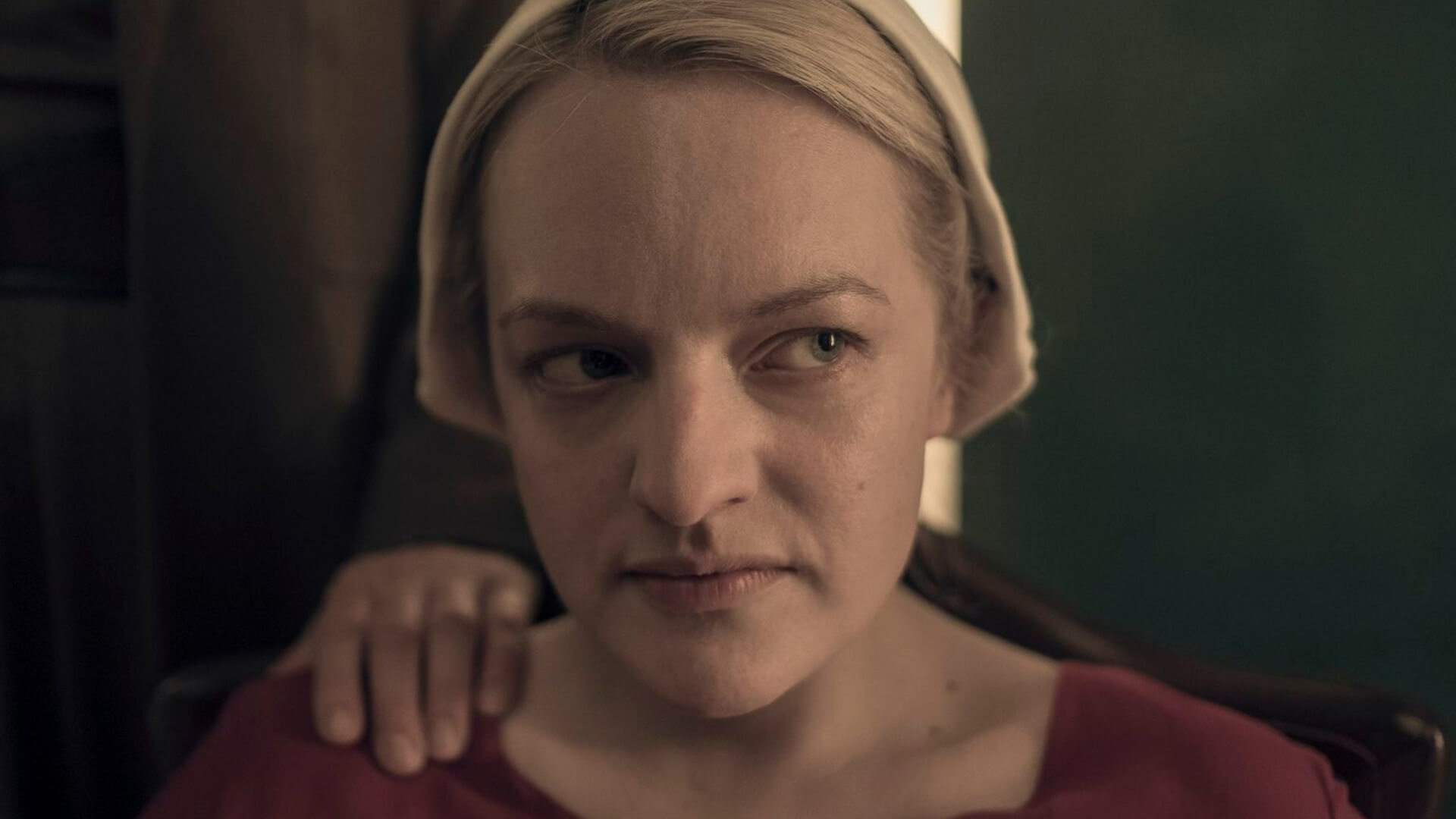 To compare the disparity between celebrity salaries and the salaries of their TV characters, GOBankingRates sourced data on the highest-paid celebrities on television from Variety, and job salary data from the Bureau of Labor Statistics (unless otherwise noted). See how much the fictional characters on “The Conners,” “Stranger Things” and more would make in real life — and how much actors like John Goodman and Winona Ryder get paid to play them. 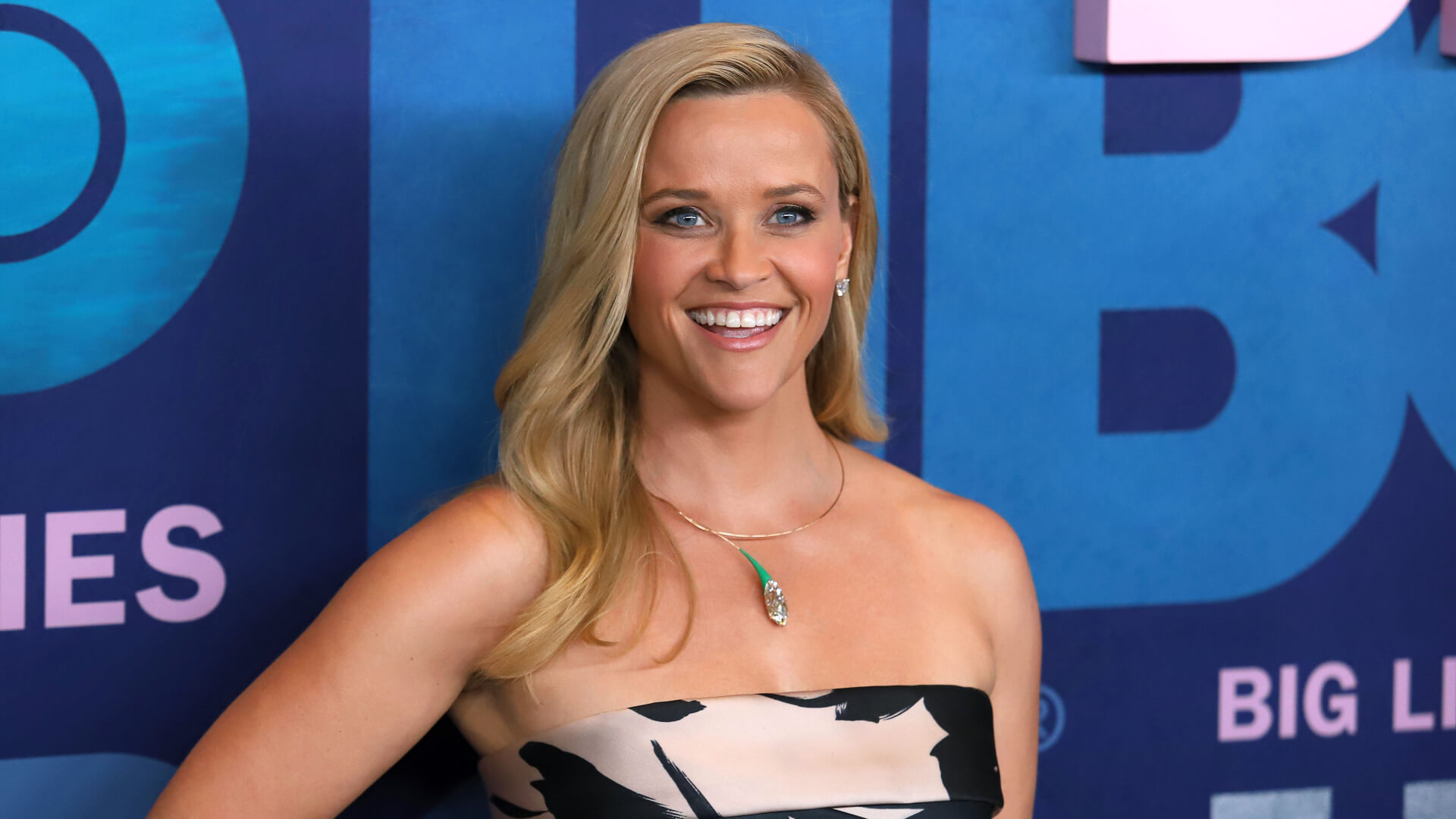 Reese Witherspoon has largely been a film actress but she’s been taking her talents to the small screen of late, appearing on the HBO drama “Big Little Lies” and — most recently — the much-anticipated Apple TV+ show “The Morning Show,” which premiered Nov. 1. In addition to starring on the show, Witherspoon is also an executive producer. 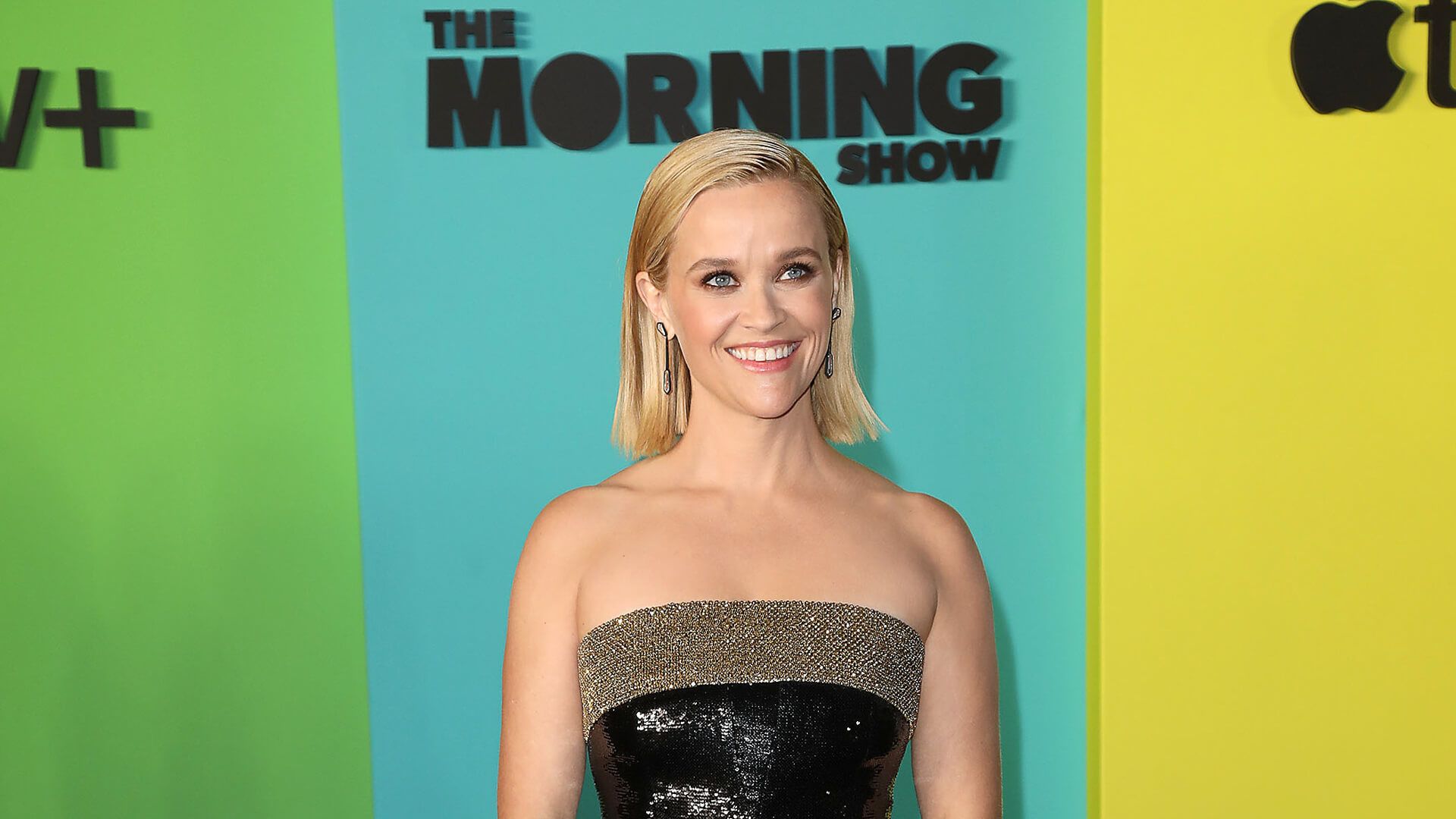 Reese Witherspoon plays local news reporter Bradley Jackson, a character who’s rough around the edges, dark, sarcastic and cynical. To prepare for the role, Witherspoon told Entertainment Weekly that she spoke to people who work in the field.

“I spent a lot of time with news producers who have been doing this all their lives, and obviously a lot of journalists,” she said. “Every time I was on shows or could talk to somebody, I would ask them lots of questions, like: Why did you do this? Where did you come from? What was your local market? How did you ascend? What were your curveballs? What are you passionate about? What did you get a degree in? How’d you get here?” 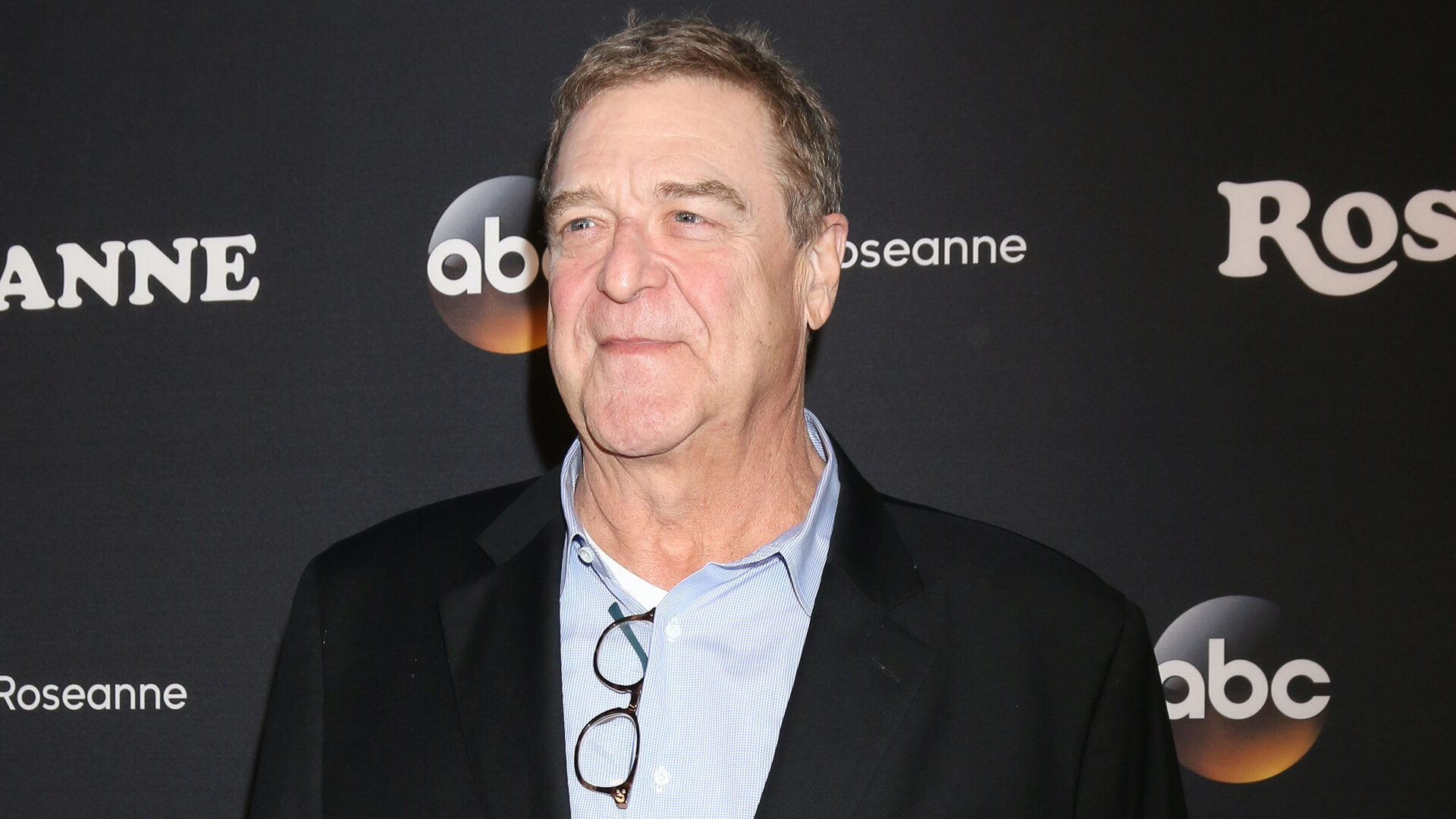 John Goodman has portrayed Dan Conner on and off for years — on “Roseanne” as the title character’s husband from 1988 to 1997, as well as on the show’s 2018 reboot. ABC canceled the reboot following star Roseanne Barr’s racist tweet about Obama White House advisor Valerie Jarrett. ABC then launched a Barr-less spinoff, “The Conners,” starring the rest of the original cast. It’s now in its second season. 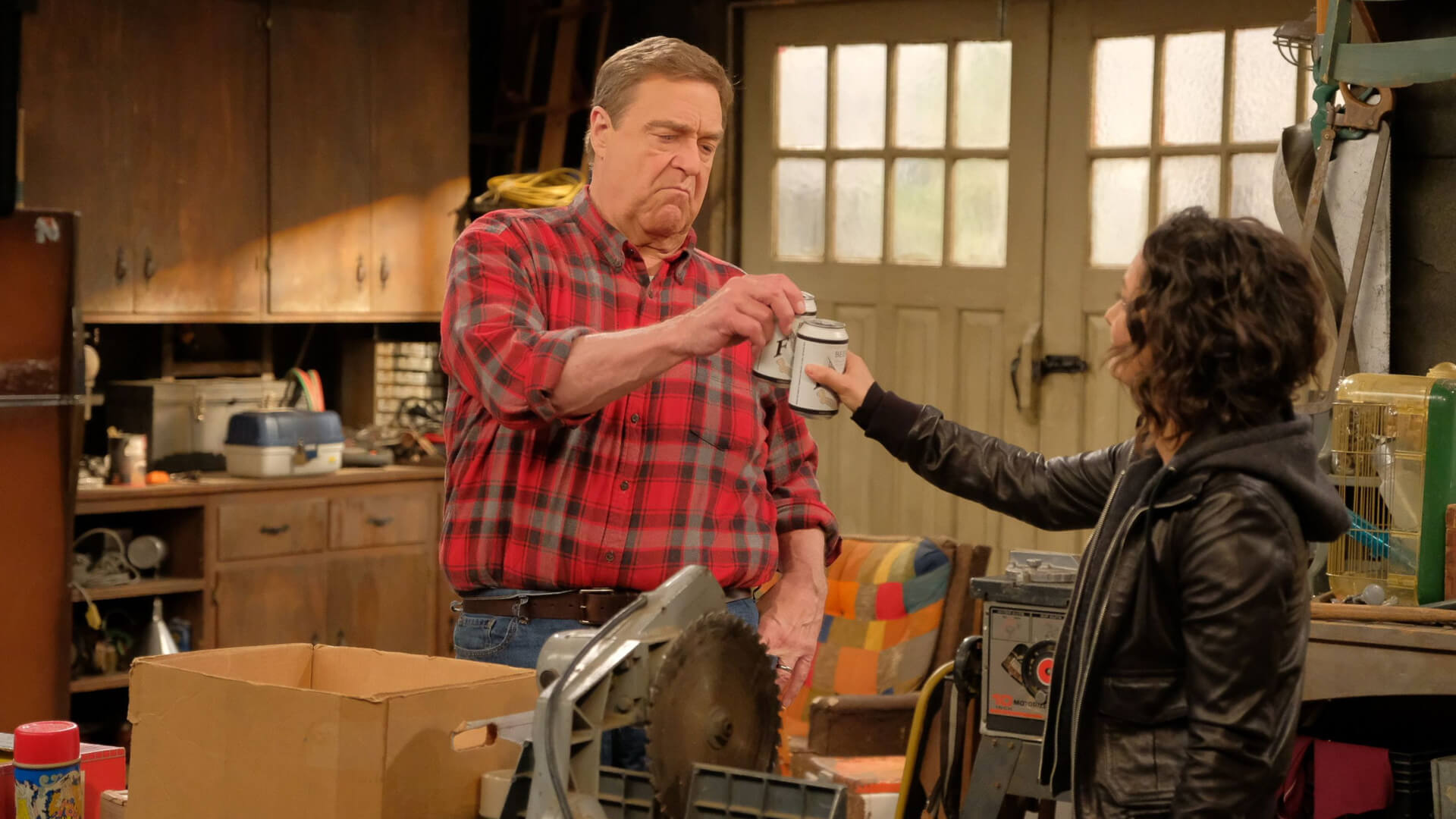 Dan Conner works as a drywall worker and freelance contractor, so his work assignments come in waves. He also briefly owned a bike shop, but the business failed. 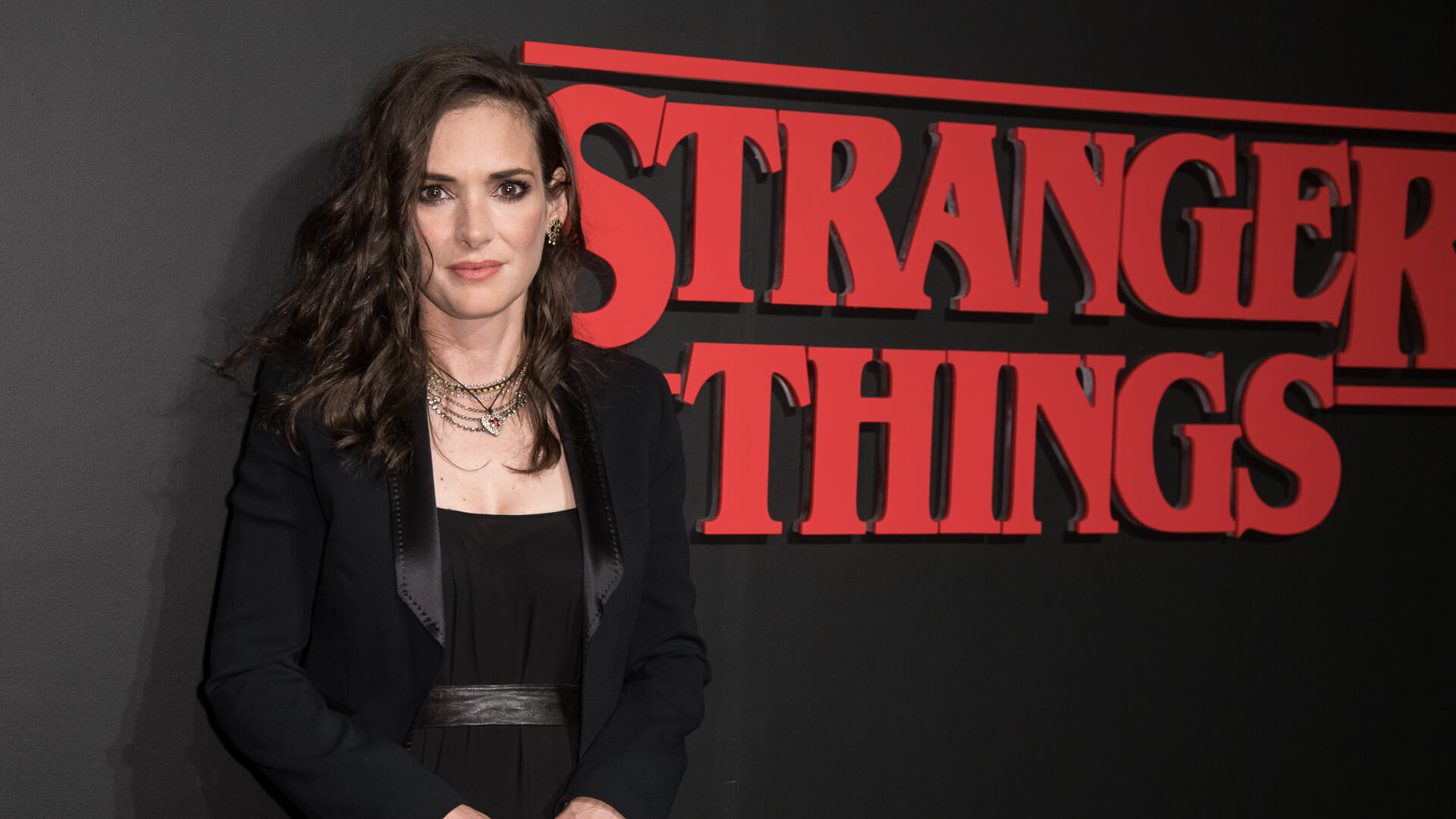 “Stranger Things” marked somewhat of a comeback for Winona Ryder, who first gained fame in the ’80s and ’90s with hit movies like “Heathers” and “Girl Interrupted.” She’s been playing the role of Joyce Byers in the Netflix hit since 2016, which has been renewed for a fourth season that will likely premiere in 2020. 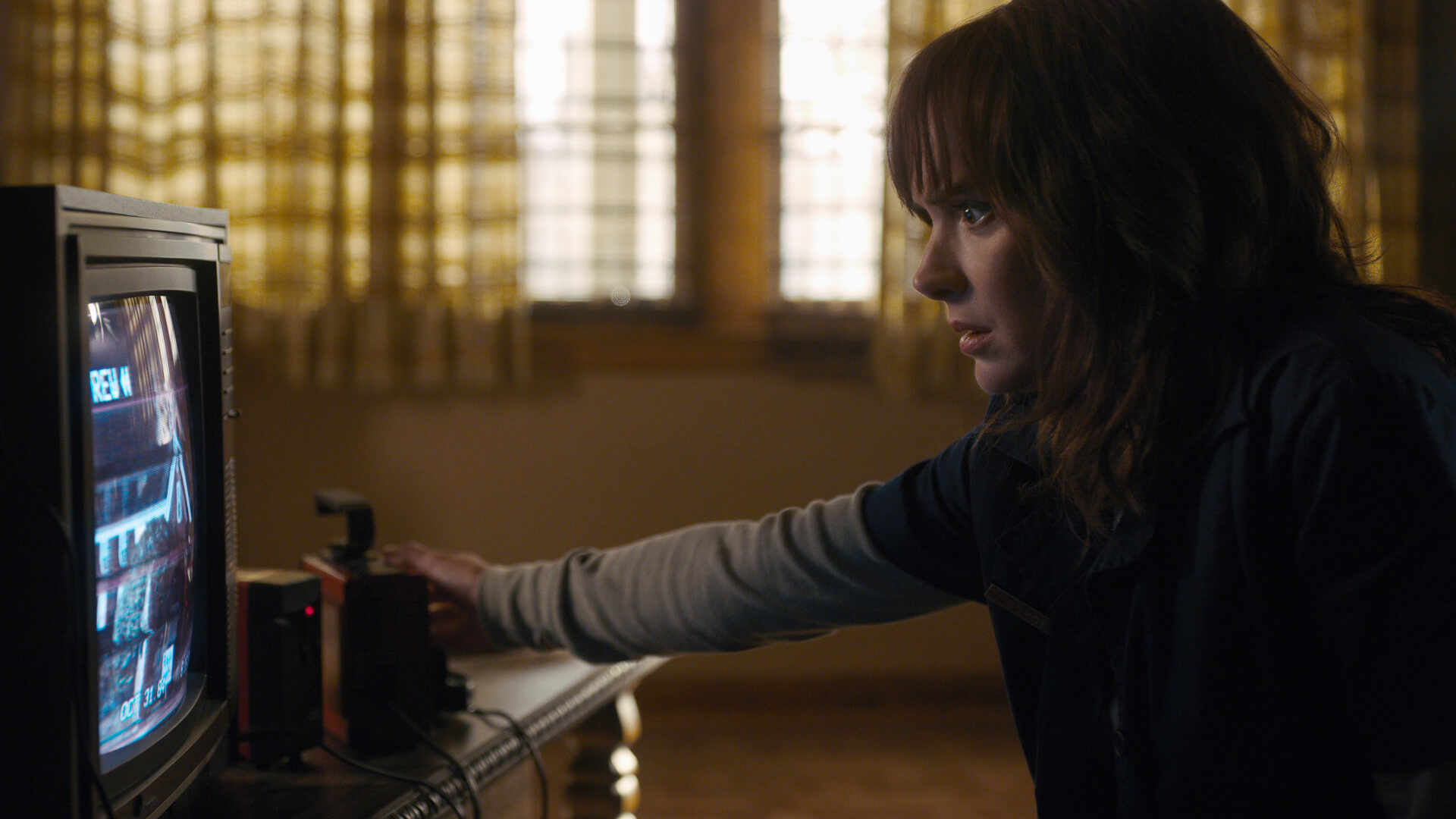 Joyce Byers most recently worked as a retail sales clerk at Melvald’s General Store and would work overtime and on holidays to make ends meet. She’d have a lot easier time financially if she made Ryder’s salary — the actress makes more than 10 times per episode what Byers makes in a whole year.

If You Need To Cut Costs: How To Save Money on All Your Monthly Expenses and Bills 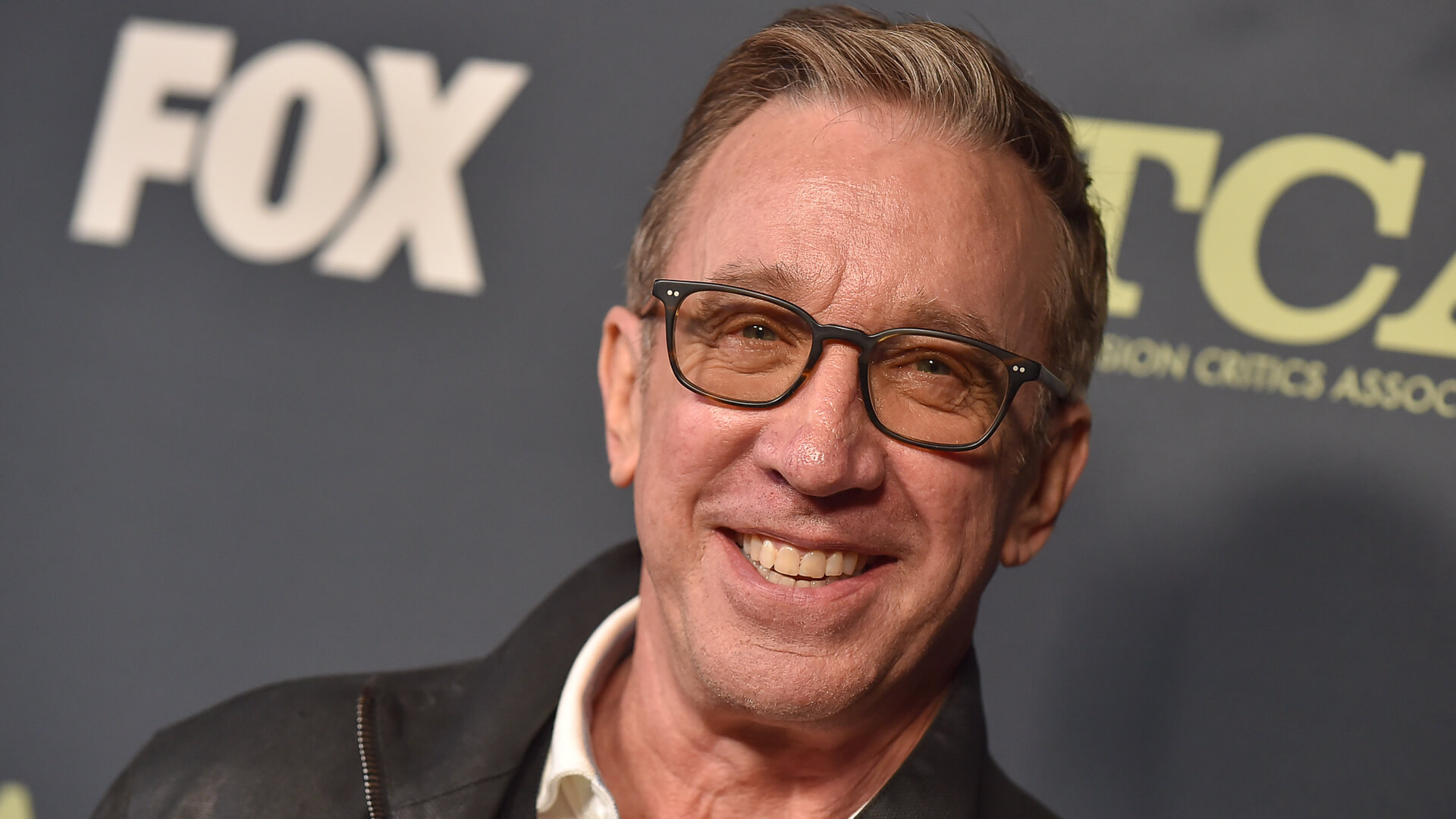 If you were alive in the ’90s, you probably know Tim Allen best as Tim “The Toolman” Taylor on the sitcom “Home Improvement.” Allen concentrated on film work after the show wrapped in 1999 and landed his next big TV series with “Last Man Standing,” which premiered in 2011. The show’s eighth season will premiere in January 2020. 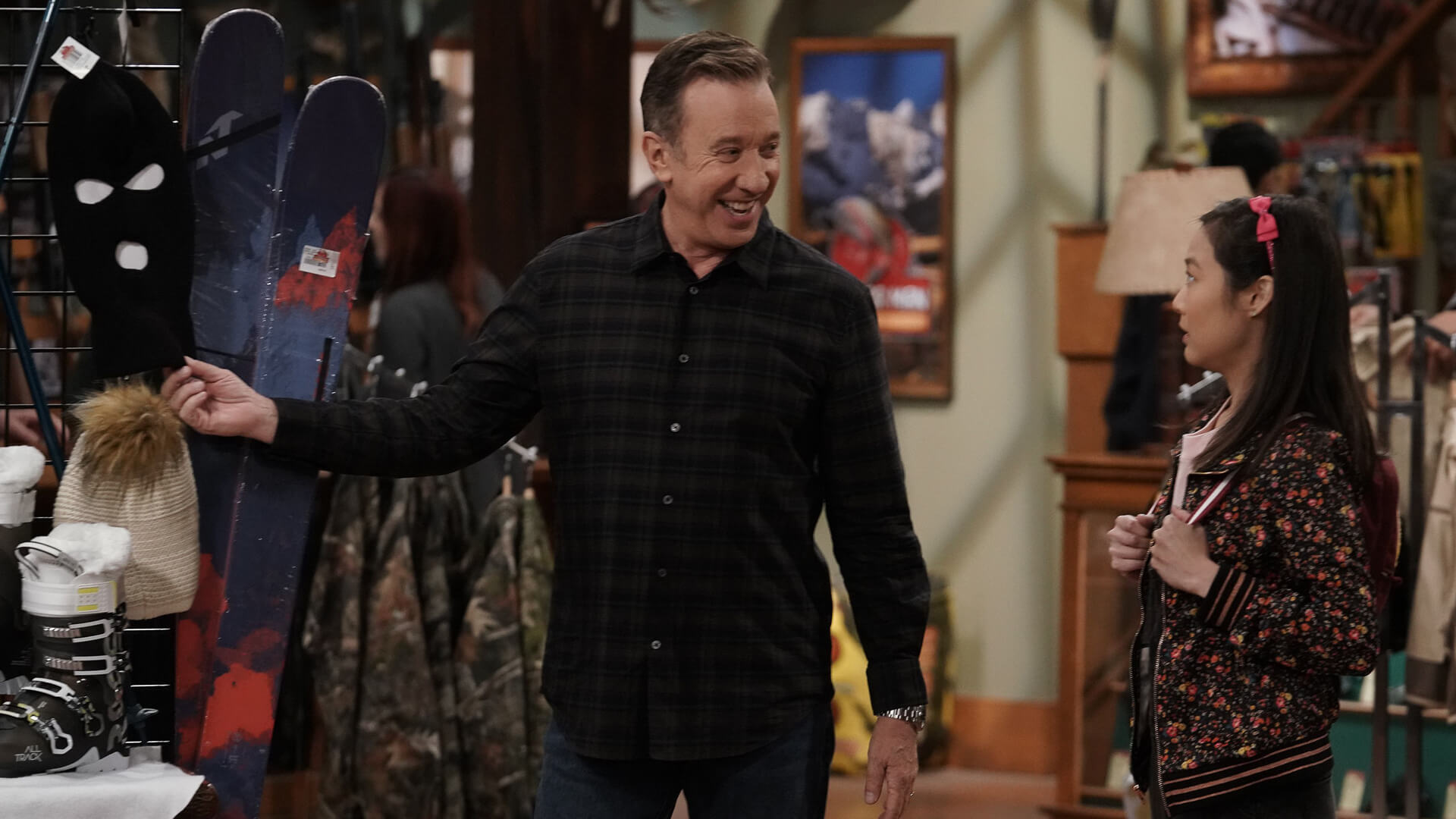 Mike Baxter is the protagonist of the show. He works as the director of marketing for the fictional sporting and hunting goods store Outdoor Man. Although Mike makes a six-figure salary, Allen makes nearly double what his character makes in a year for filming a single episode. 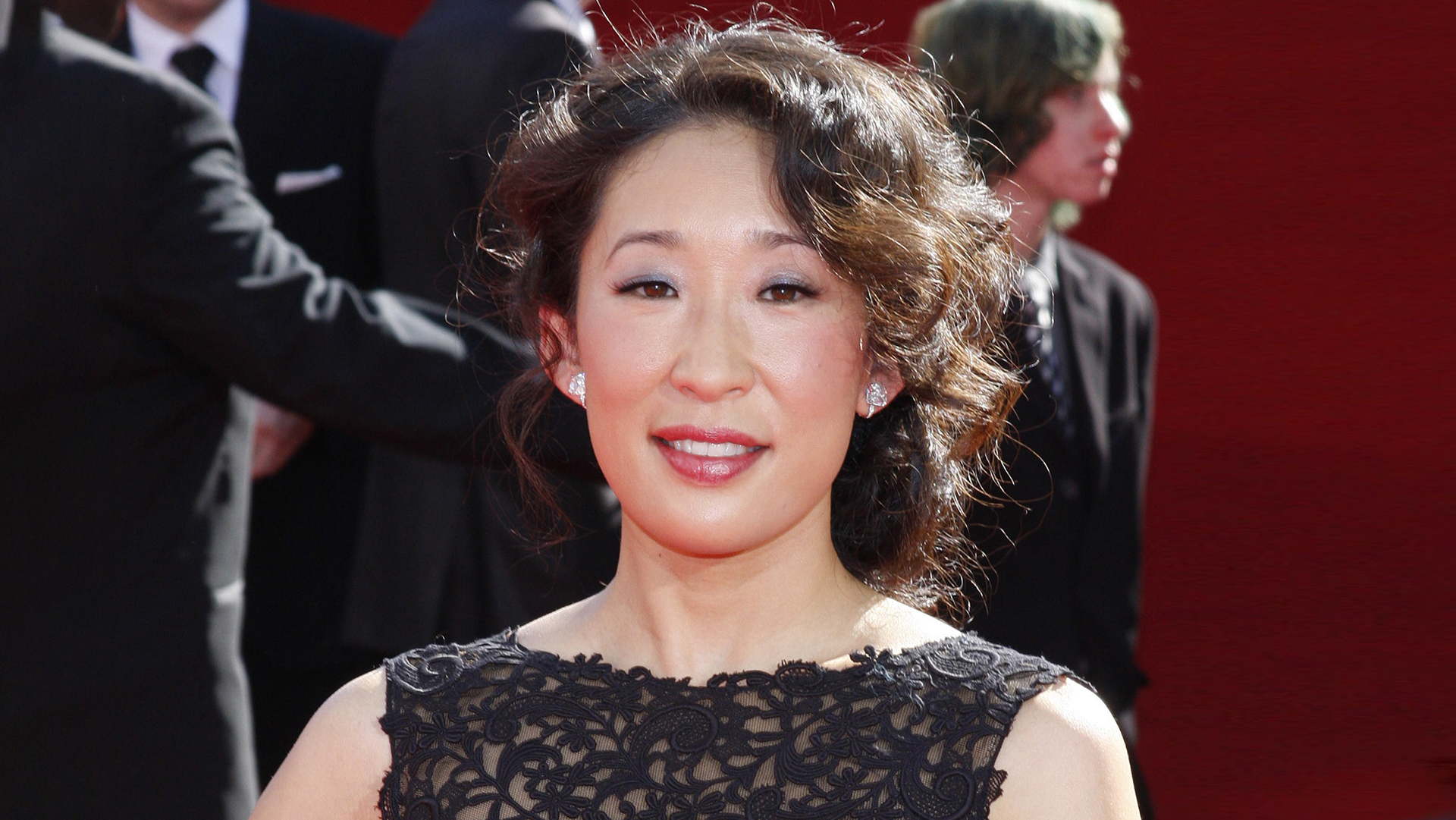 Sandra Oh has said that she has waited 30 years for a role like that of Eve Polastri on “Killing Eve.” While it might be her most fulfilling acting role — and one that’s earned her plenty of acclaim — she reportedly took a large pay cut to get it. Oh was previously earning $350,000 per episode when she starred on “Grey’s Anatomy,” TV Guide reported. 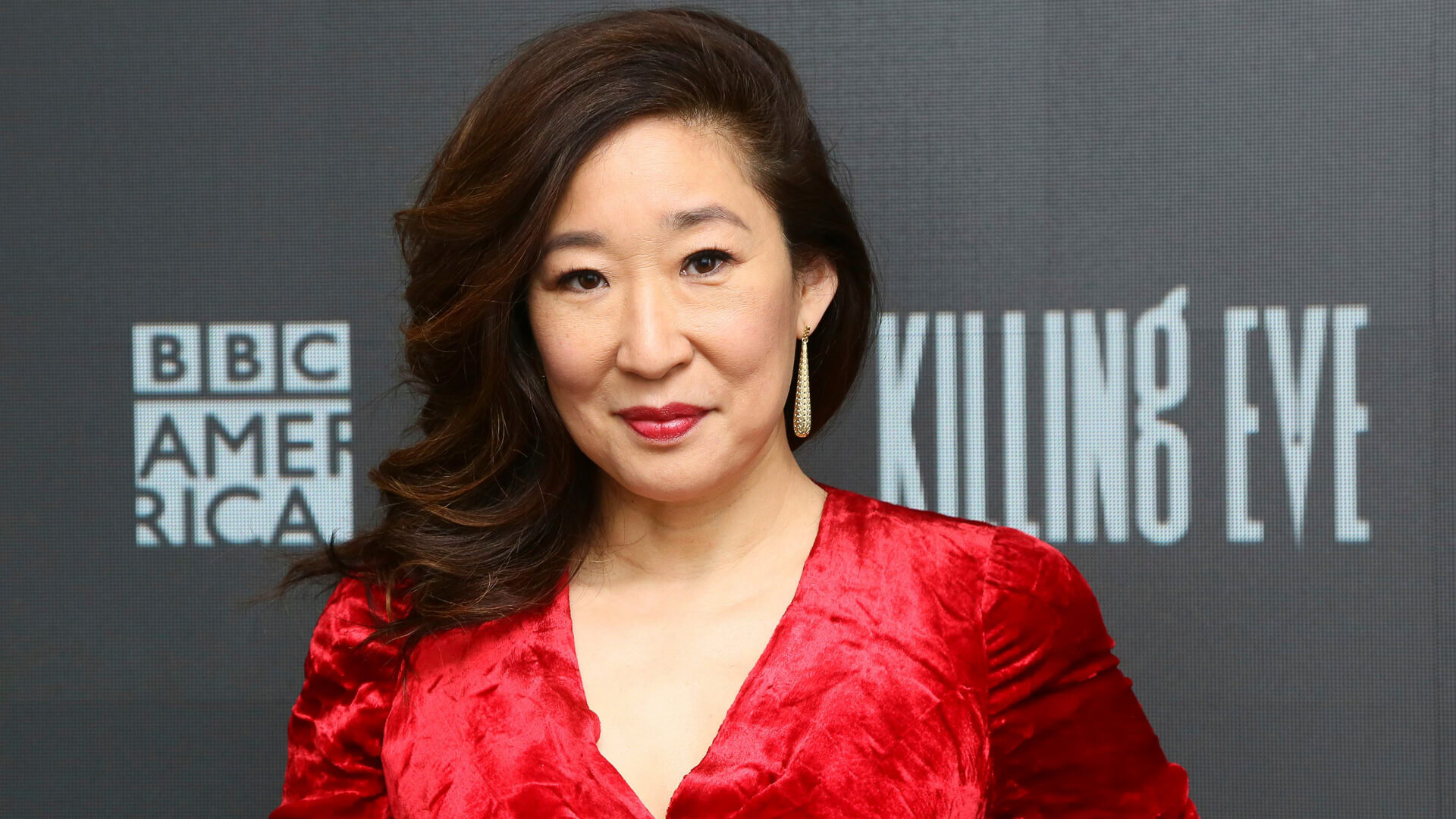 As the titular character, Polastri works as the head of a secret MI6 unit dedicated to finding assassins. It’s a dream job for Polastri, who had always wanted to be a spy but was stuck on desk duty for MI5 when she originally started working for the U.K.’s secret service.

MI6 intelligence officer salaries max out at under $55,000, according to the official government recruitment site, so it’s safe to say Oh is much better off financially than her character is. 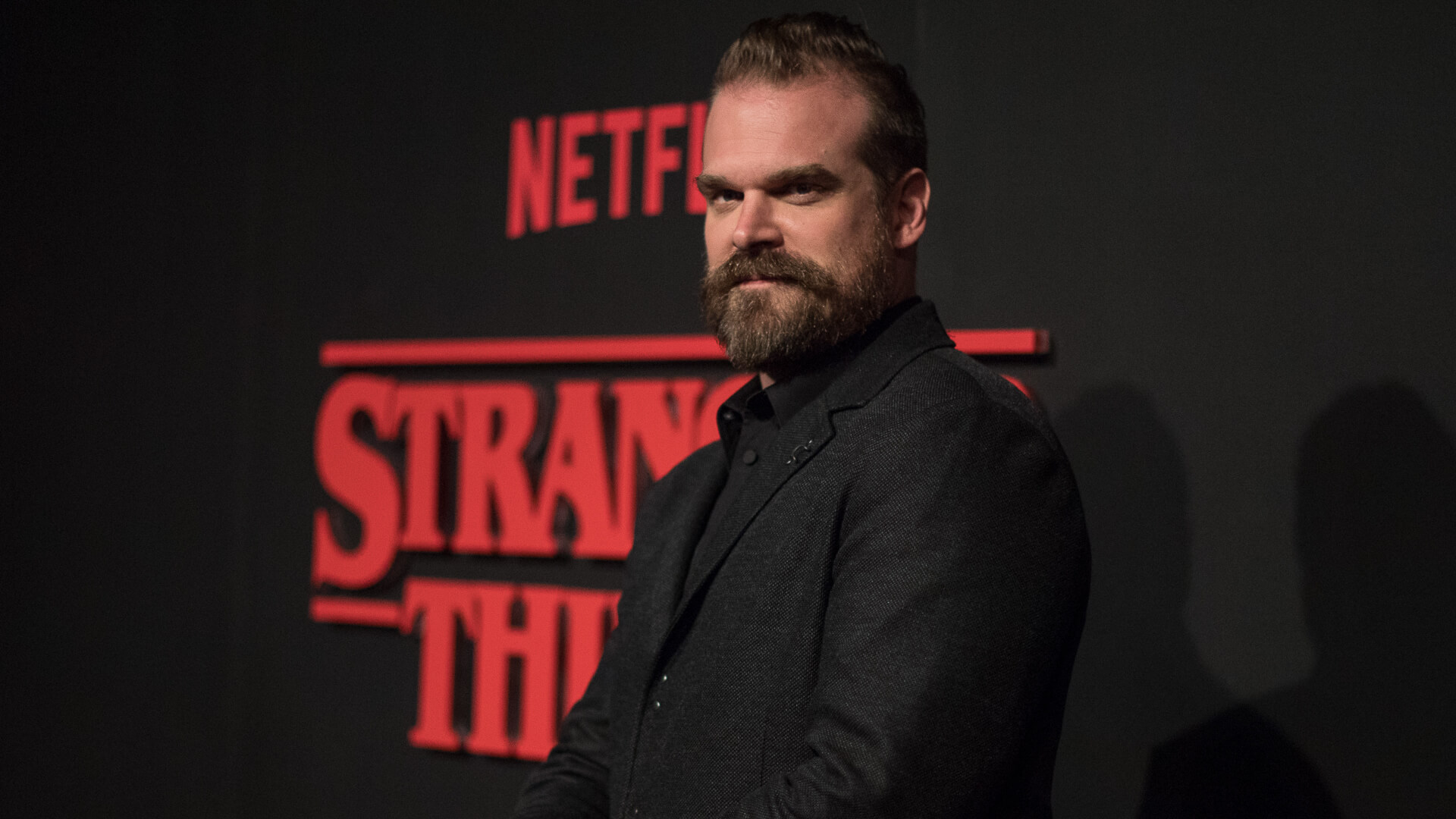 David Harbour has a lot of big-name credits, including “Revolutionary Road” and “Suicide Squad.” But these days, he’s probably best known for portraying Jim Hopper on the hit Netflix show “Stranger Things.” The show premiered in 2016 and has aired for three seasons. 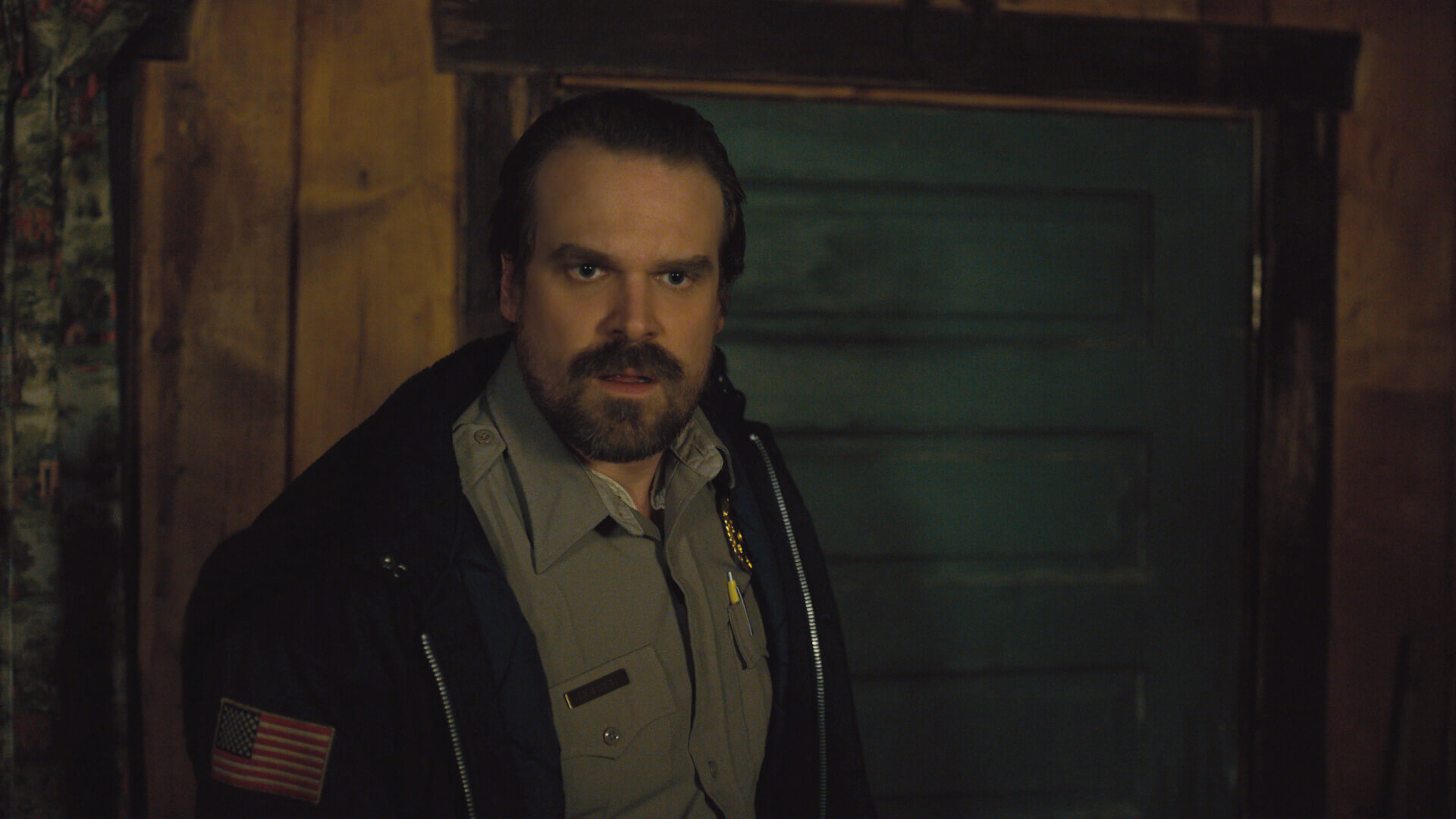 Hopper formerly worked as a homicide detective before his current role as a police chief with the Hawkins Police Department. Detectives and criminal investigators typically earn more than police officers, so he likely took a pay cut when he switched jobs. 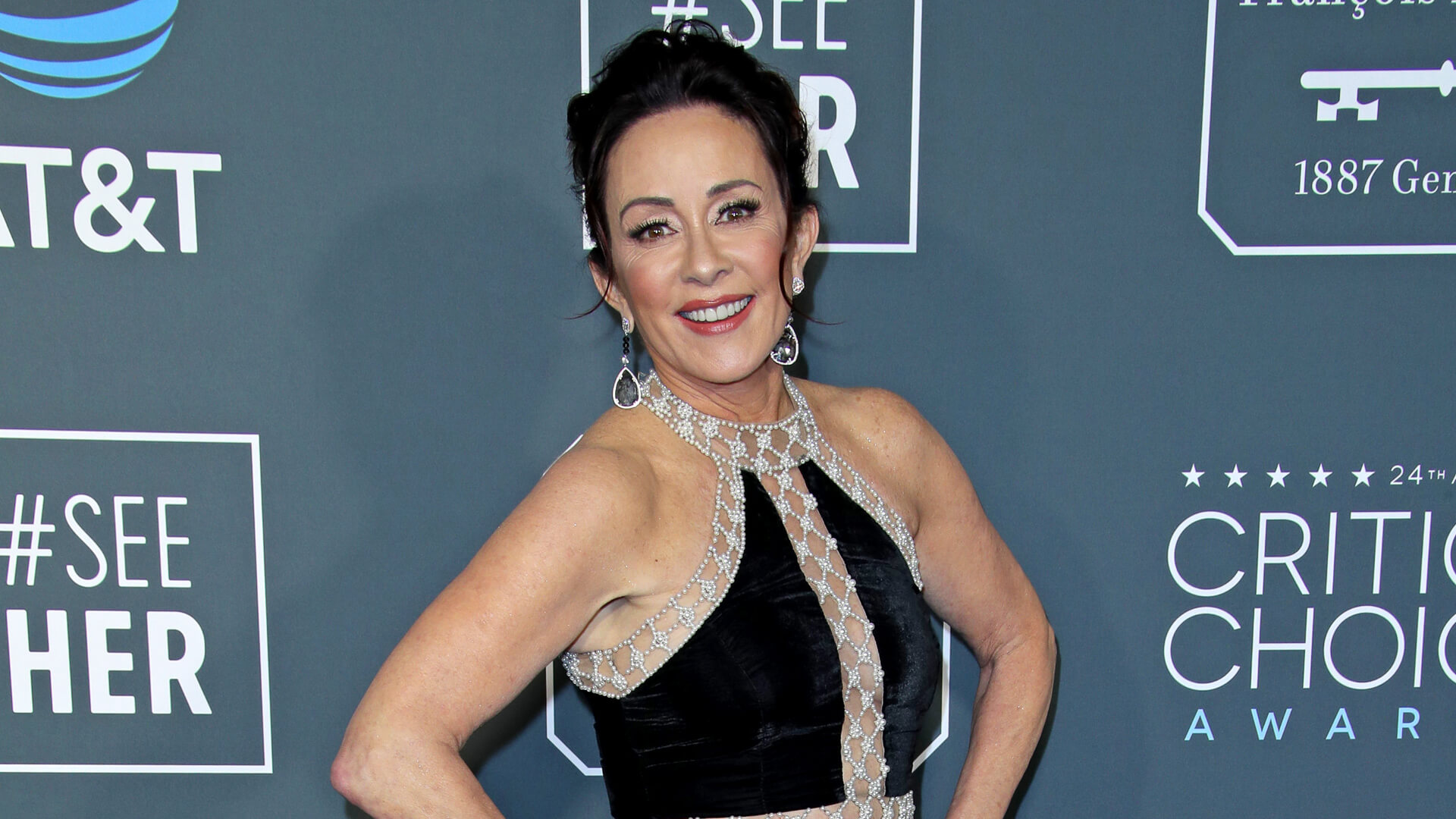 Patricia Heaton is a veritable TV star, best known for playing Debra Barone on “Everybody Loves Raymond” — a role that earned her seven Emmy nominations and two wins. She currently stars as the titular character on “Carol’s Second Act,” which kicked off its first season earlier in 2019. 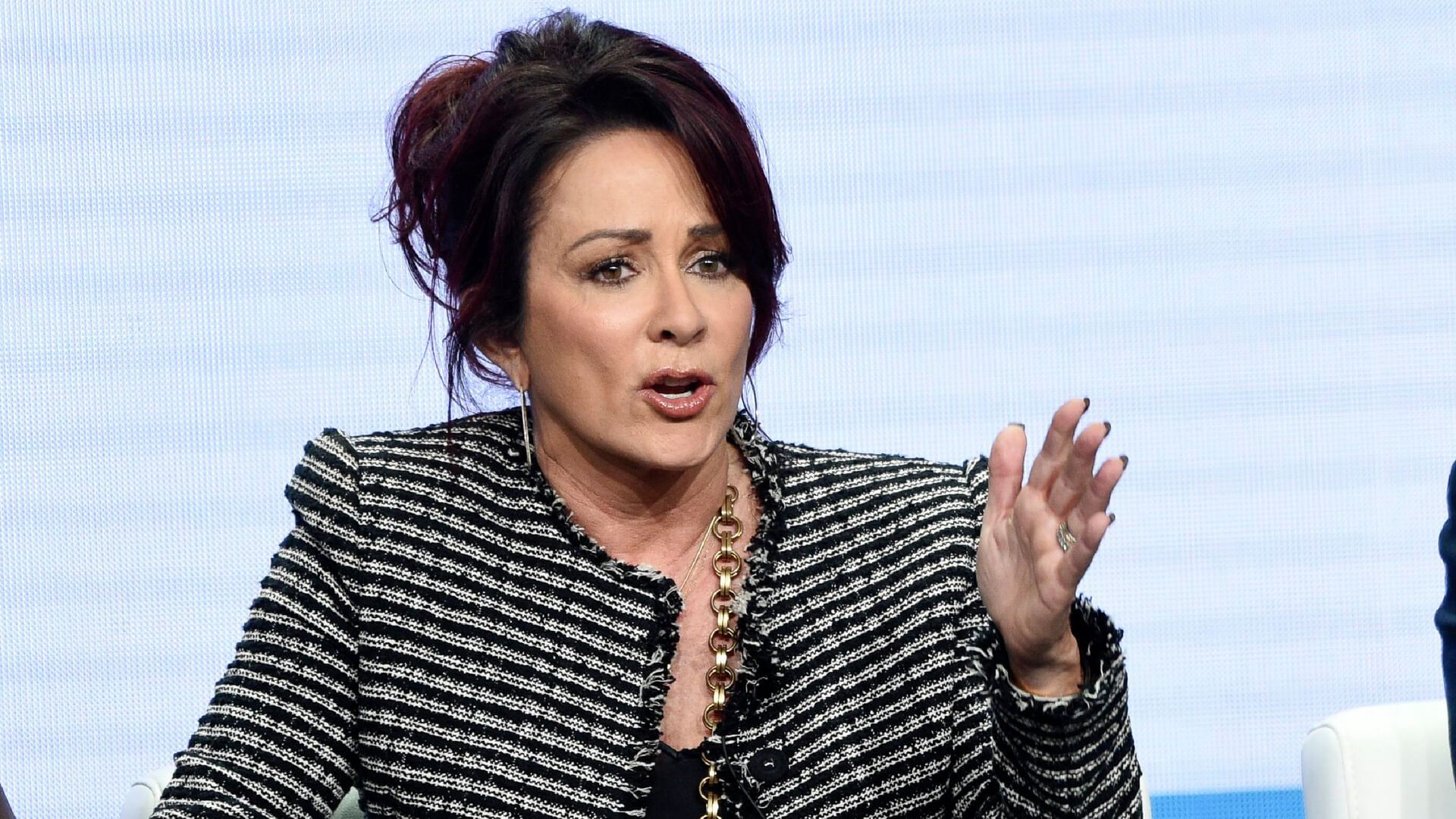 “Carol’s Second Act” follows Carol Kenney as she embarks on a new career path at 50. After raising her children, getting divorced and retiring from teaching, Kenney decides that she wants to pursue her dream of becoming a doctor. On the show, she works as a medical intern. Her position would pay about $55,000 per year, according to the Houston Chronicle. 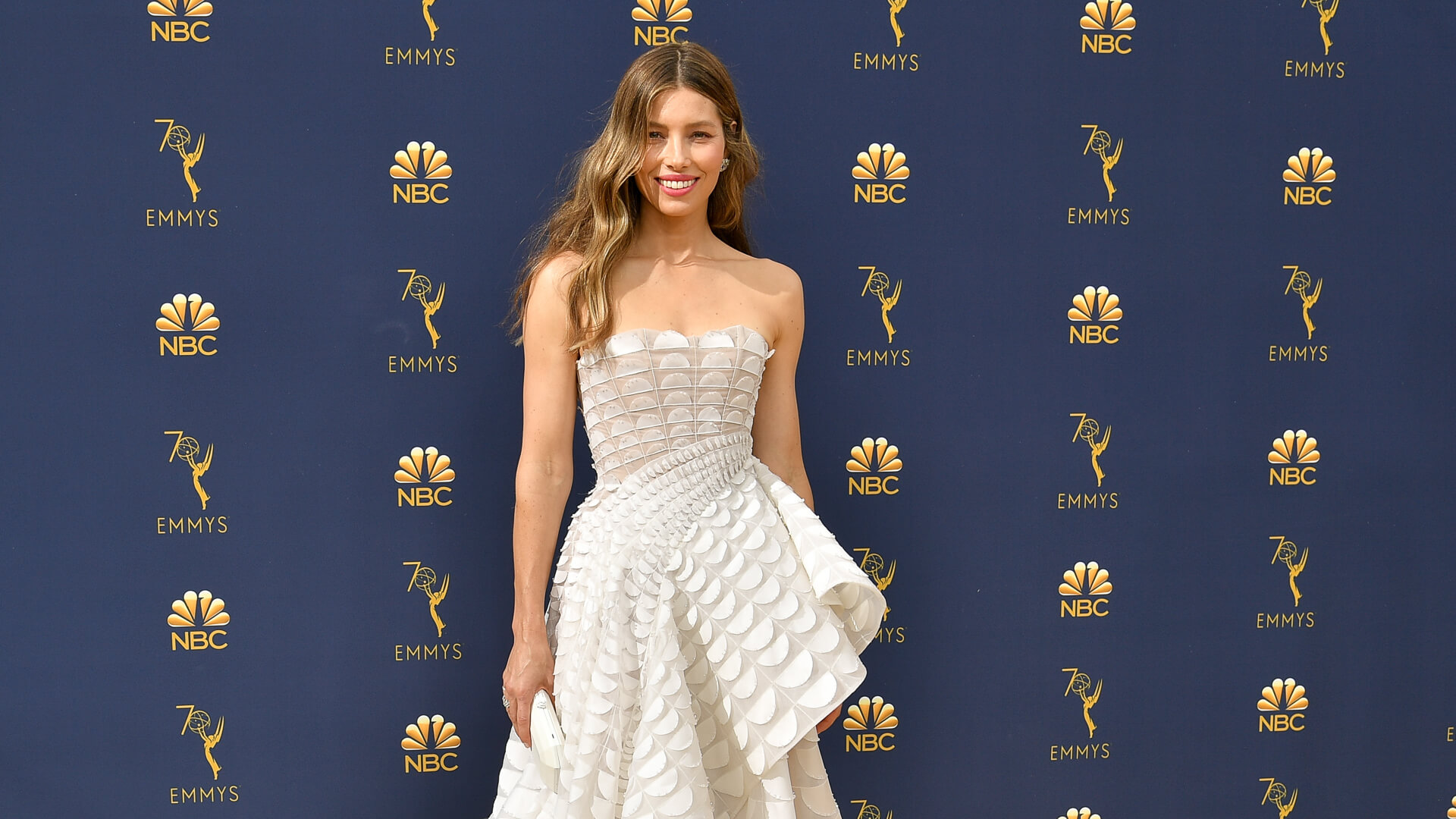 Jessica Biel has starred in a number of television series. In October 2019,  her latest one debuted. Biel currently stars in the Facebook Watch series “Limetown,” which is based on a 2015 fiction podcast of the same name. She also executive produces the show.

Boost Your Savings: 20 Ways To Save Money Fast 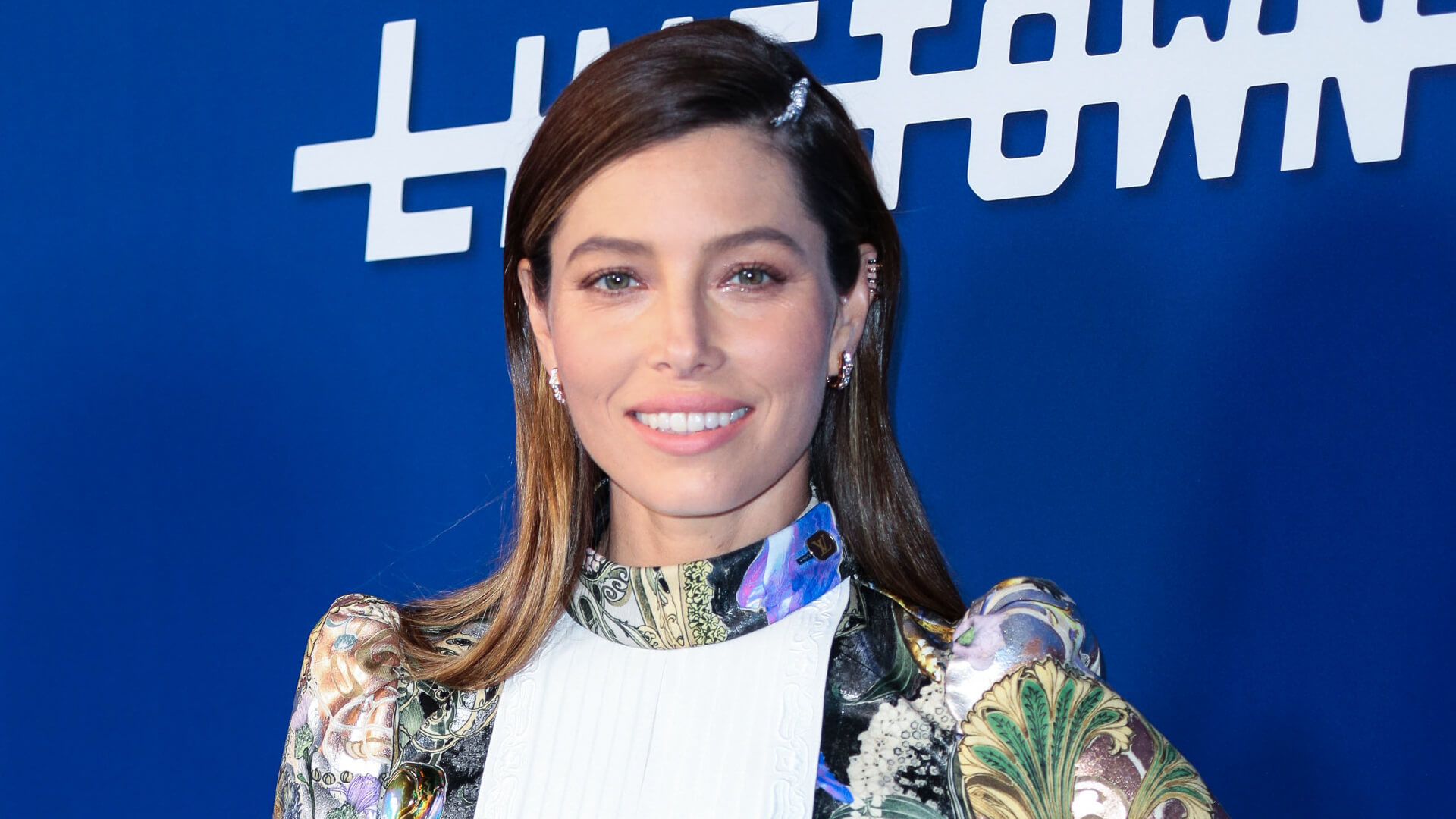 Biel plays Lia Haddock, an American Public Radio journalist. Haddock is trying to piece together clues in an unsolved mystery that took place in Limetown, a neuroscience research facility in Tennessee that over 300 people seemingly vanished from. 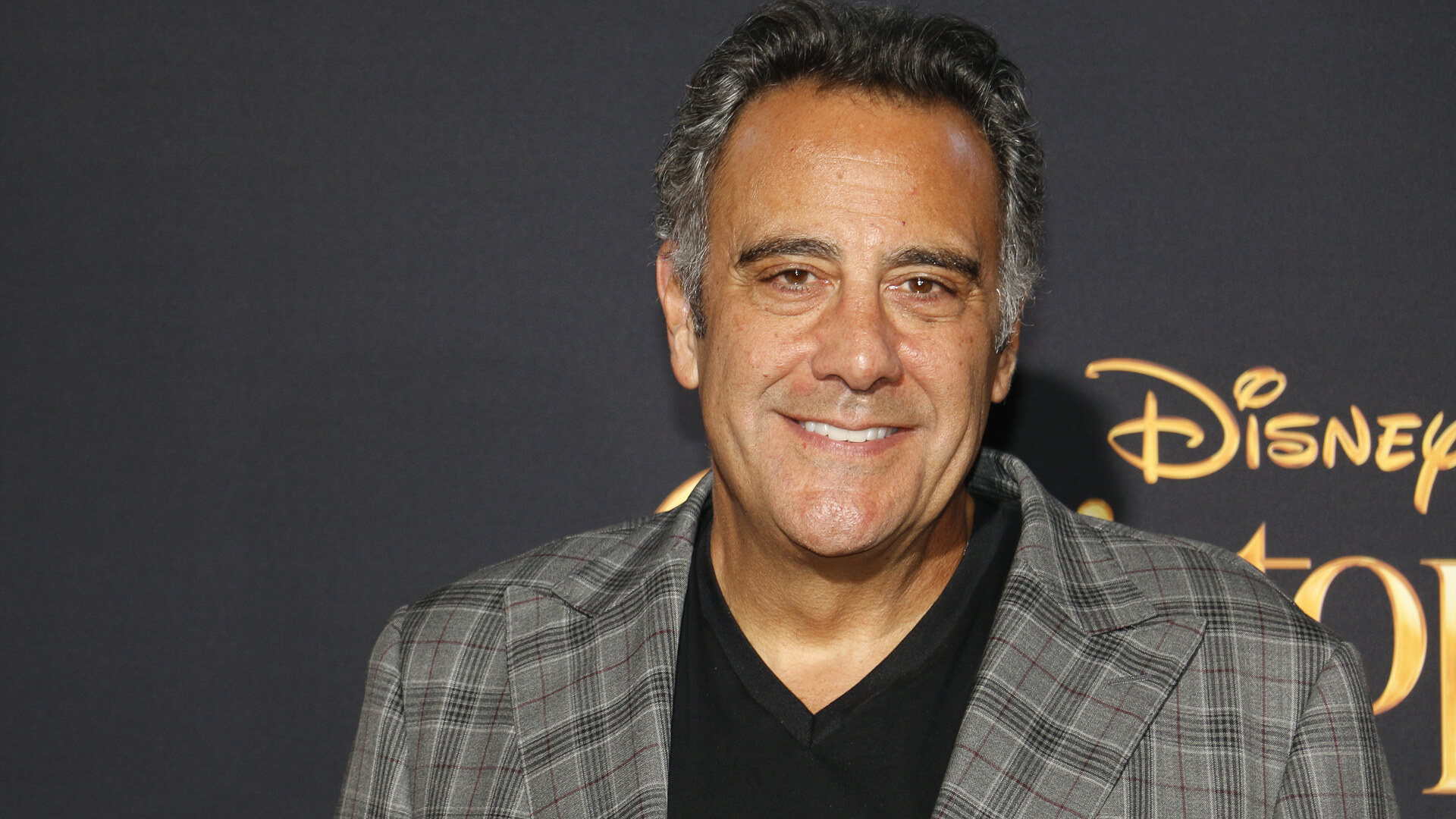 Brad Garrett has found steady work as a TV actor and is known for portraying Robert on “Everybody Loves Raymond” from 1996 to 2005. He now plays Douglas Fogerty on “Single Parents,” which is in its second season. 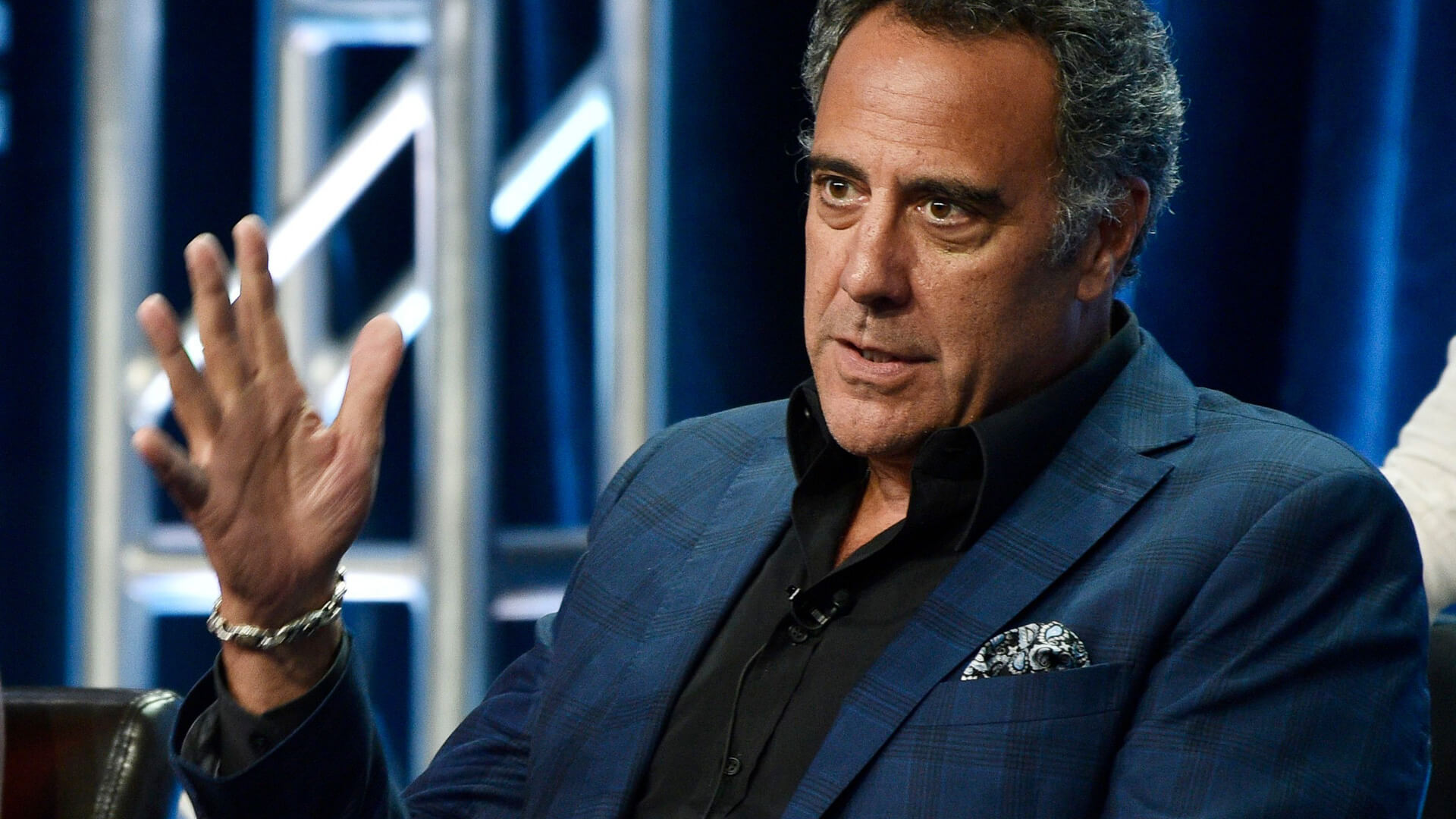 Even though working in the medical field pays well, it only takes Garrett roughly two episodes to earn what his character would make in an entire year. 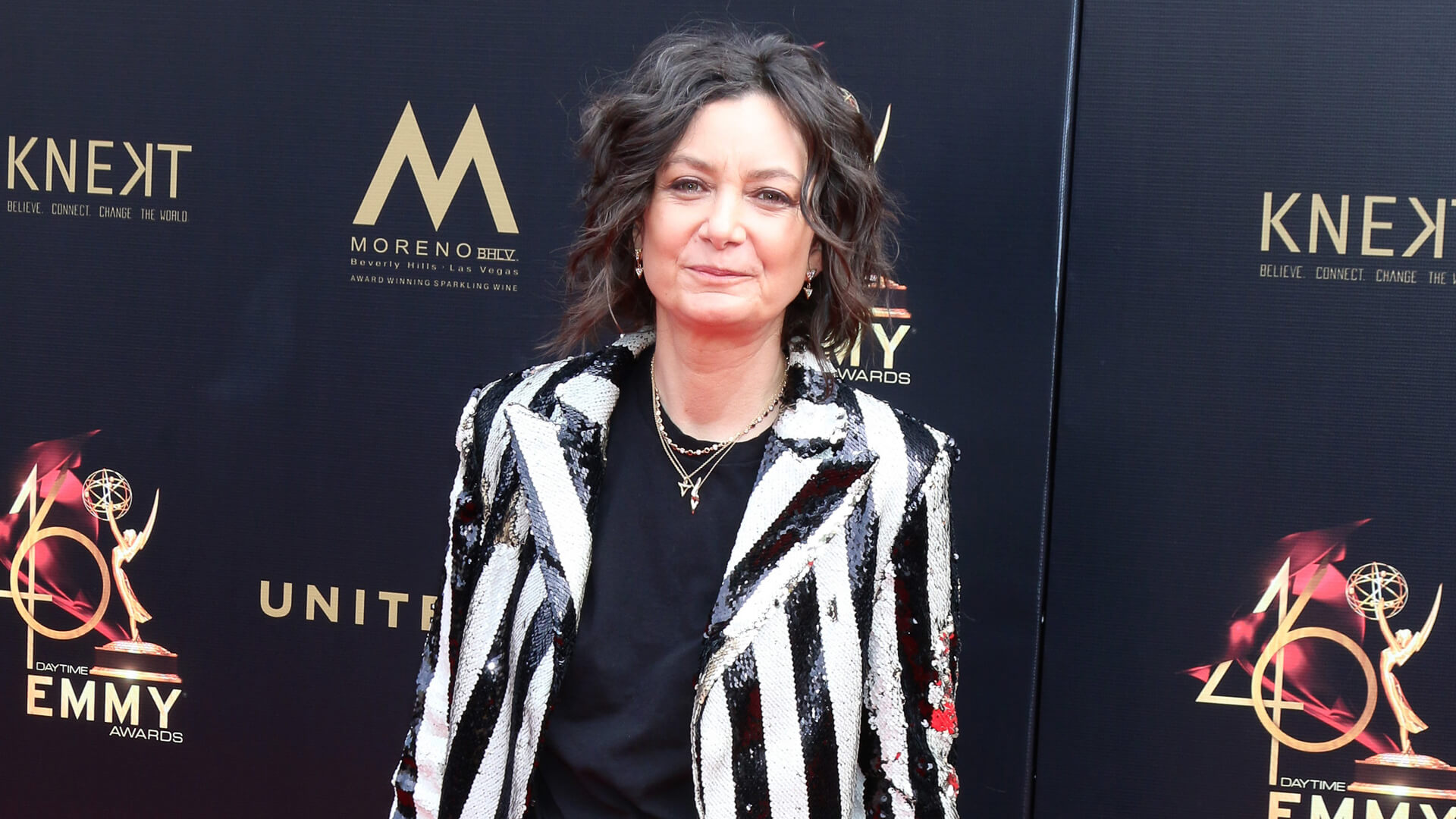 Sara Gilbert got her big break on “Roseanne” back in 1988 as Darlene Conner, the second-eldest child of Dan and Roseanne Conner. She played the role through the show’s end in 1997 and reprised the role for the sitcom’s reboot in 2018. She then reprised her role on the spinoff show “The Conners.” 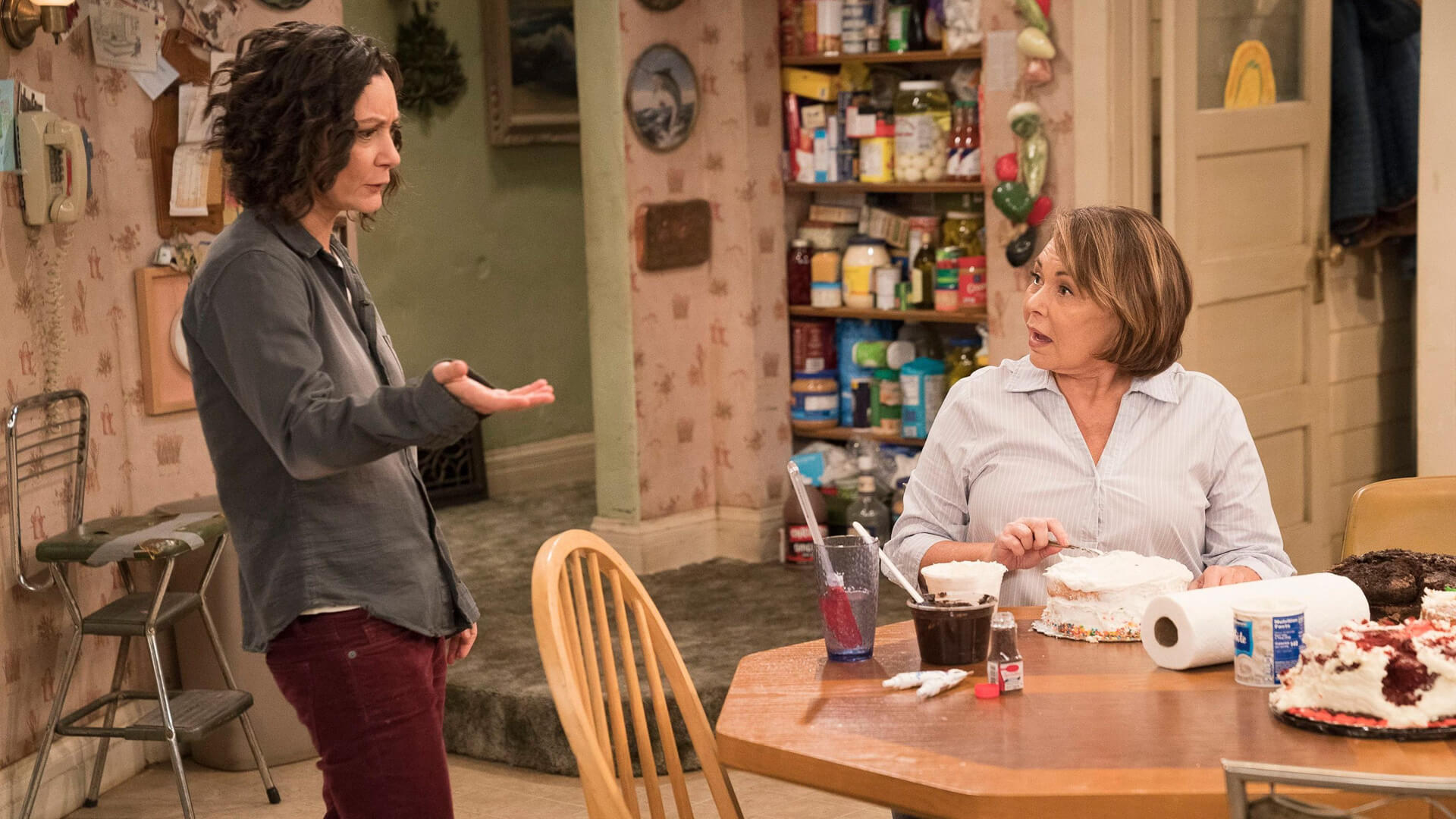 Darlene Conner always had a knack for writing and worked as a part-time writer after graduating college. She also briefly worked at a casino. At the start of the “Roseanne” reboot, Darlene was unemployed after losing her job, which is why she decided to move back in with her parents. 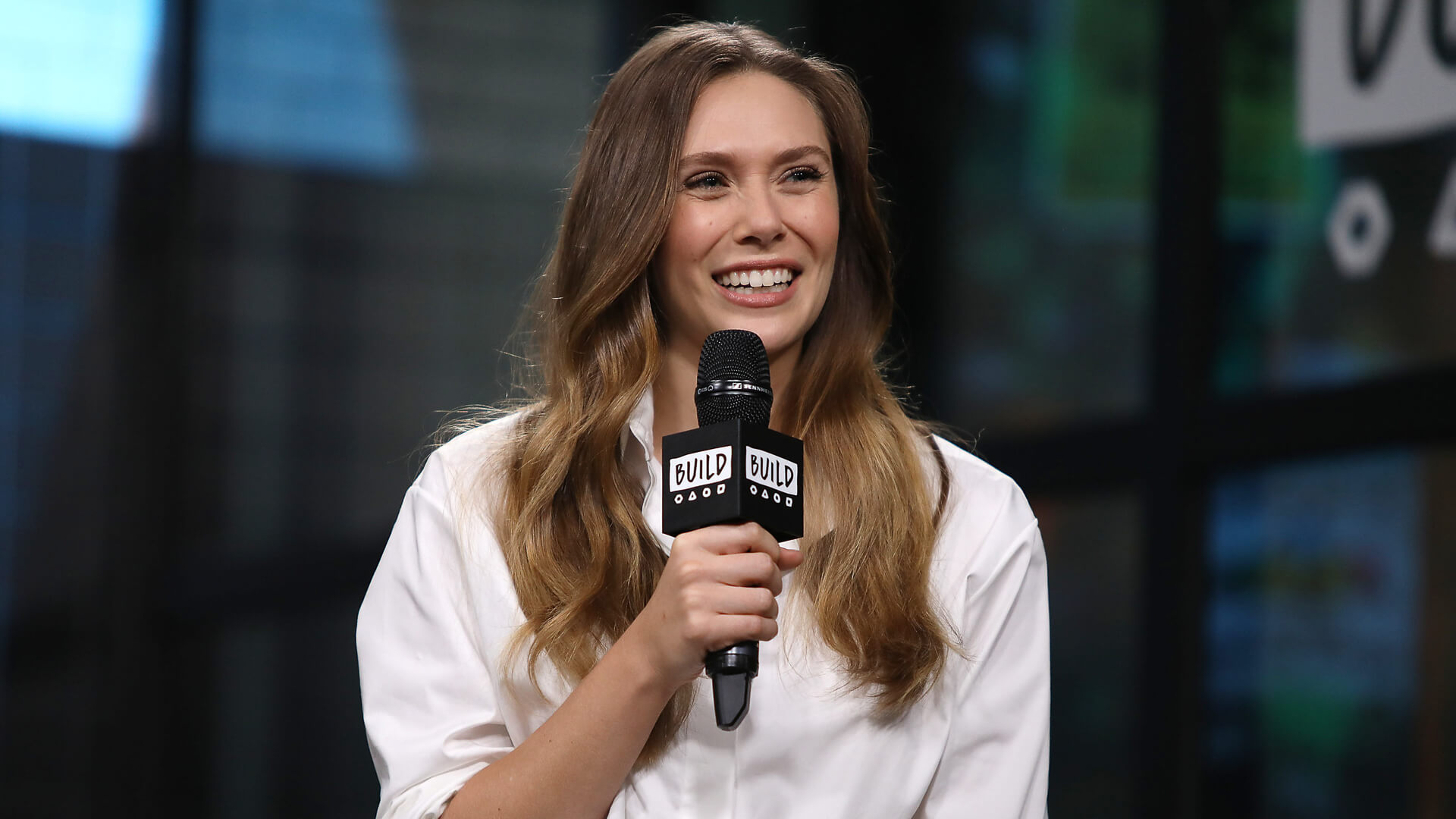 It’s safe to say that Elizabeth Olsen has fully emerged from her twin sisters’ shadows. The actress has starred in a number of Marvel films as Wanda Maximoff/Scarlet Witch, and she currently stars on the Facebook Watch series “Sorry for Your Loss.” The second season of the show premiered on Oct. 1. 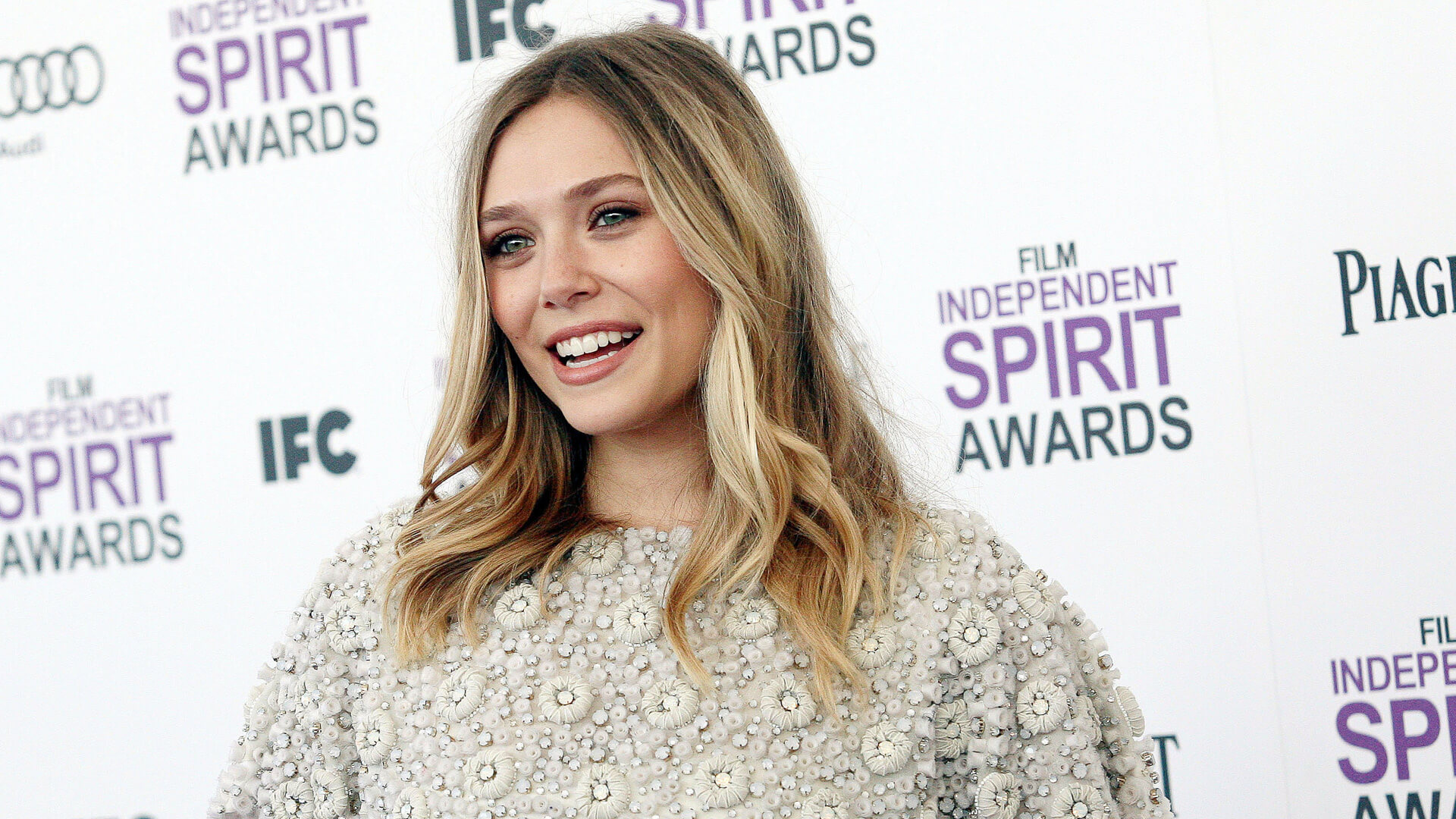 Olsen plays grieving widow Leigh Shaw, who works as a journalist. Shaw’s yearly salary is just a small sliver of what Olsen gets paid to make a single episode. 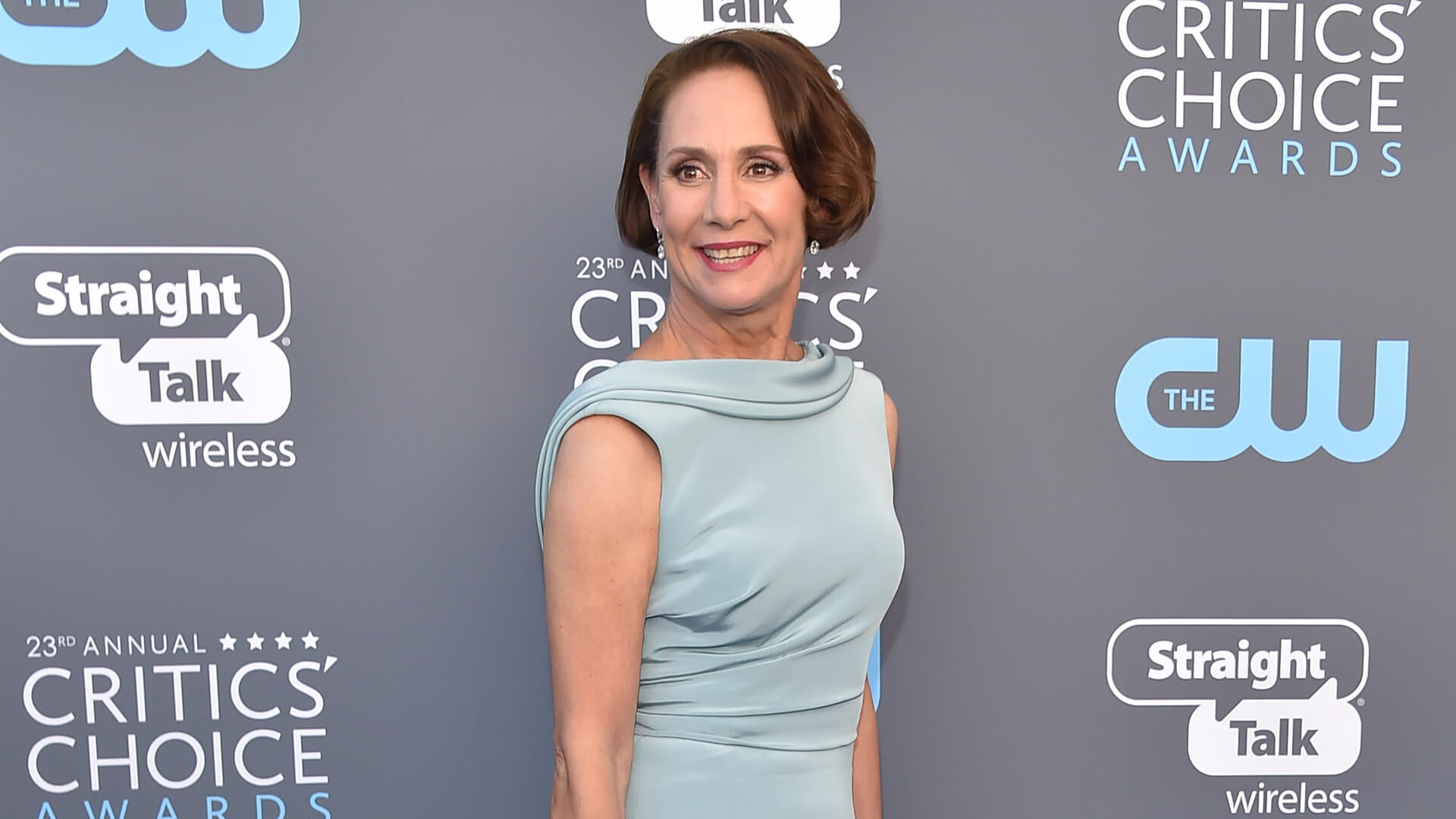 Like Gilbert and Goodman, Laurie Metcalf first portrayed her character, Jackie Harris, on “Roseanne” in 1988 and also portrayed her in the 2018 reboot and subsequent spinoff show. Outside of the small screen, Metcalf is a Tony Award-winning theater actress and has starred in films that include “Lady Bird” and “Desperately Seeking Susan.” 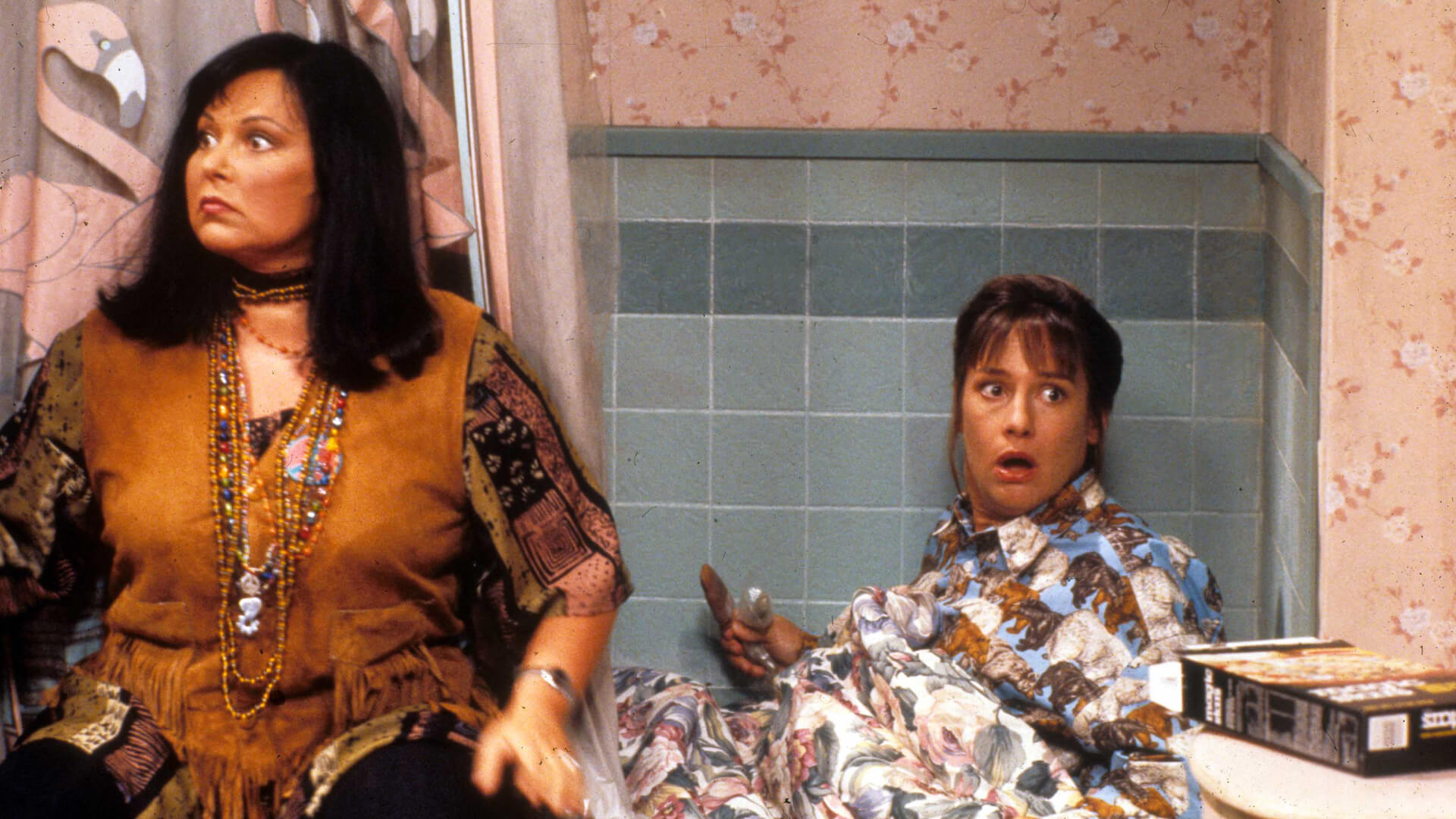 Jackie Harris has held a number of jobs throughout the years, including a perfume girl in a department store cosmetics department, an actress at a local theater, a police officer, a truck driver and a restaurateur. She is currently a life coach. 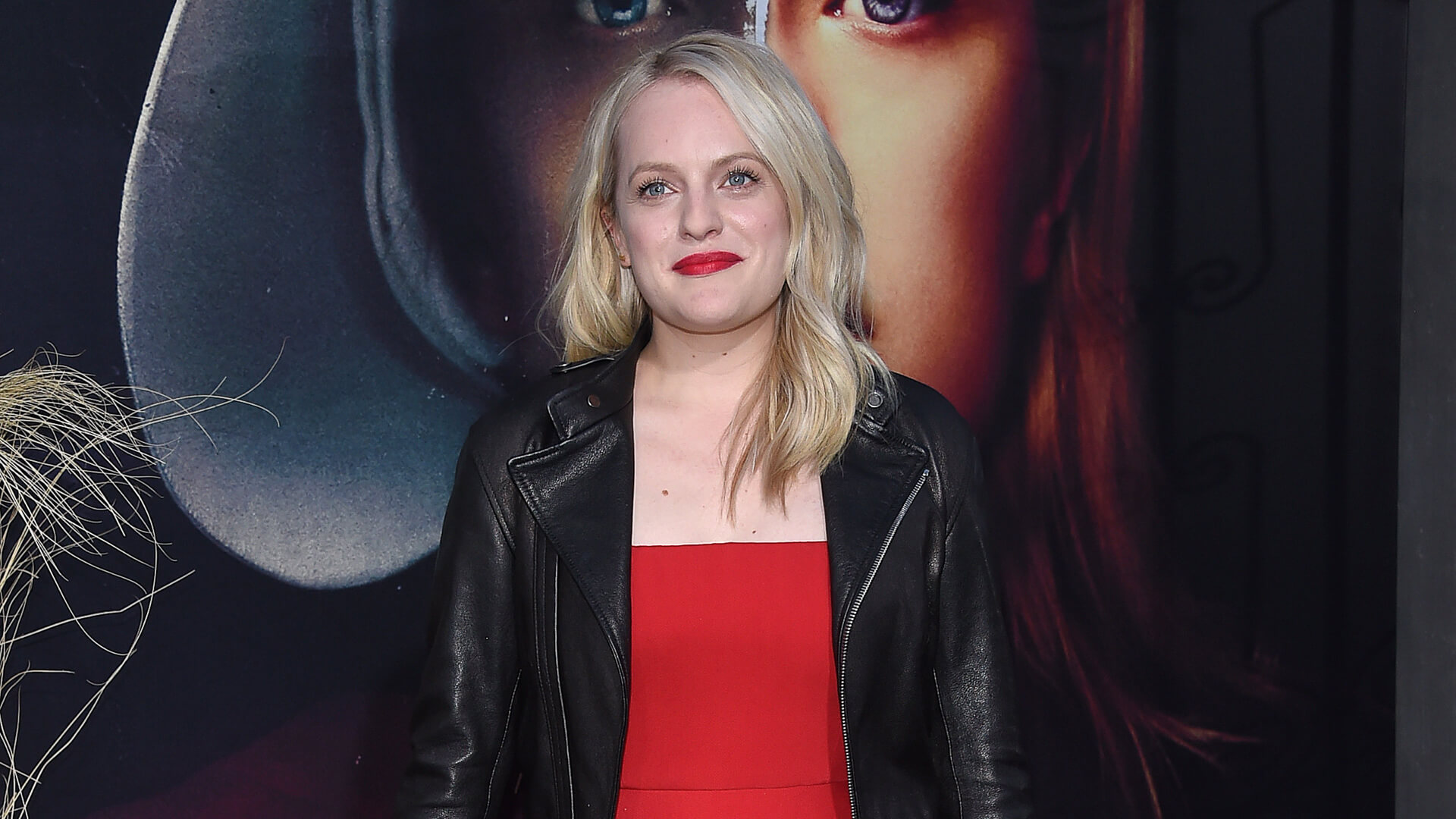 After starring as Peggy on “Mad Men” from 2007 to 2015, Elisabeth Moss landed her next major TV role as the star of the dystopian Hulu drama “The Handmaid’s Tale.” Moss has played the rebellious June Osborne since 2017. Hulu announced a fourth season of the show, but production isn’t set to start until March 2020, Thrillist reported. 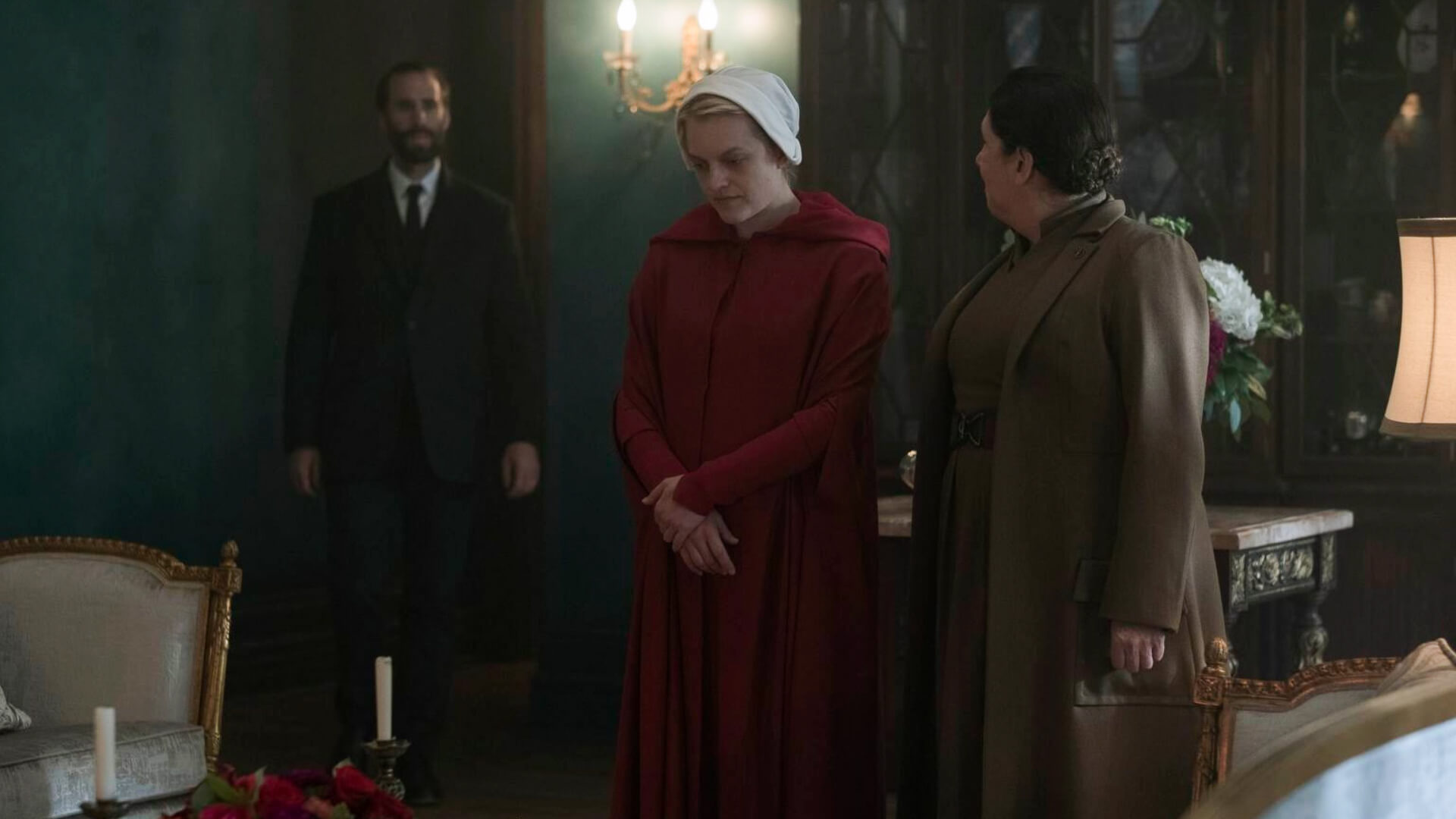 Osborne isn’t paid for her services as a handmaid, but if she were a paid sex worker, she would earn an average salary of $71,109, according to Simply Hired. Prior to the conversion of America to Gilead, Osborne worked as a book editor, a job that has a median pay of $59,480. 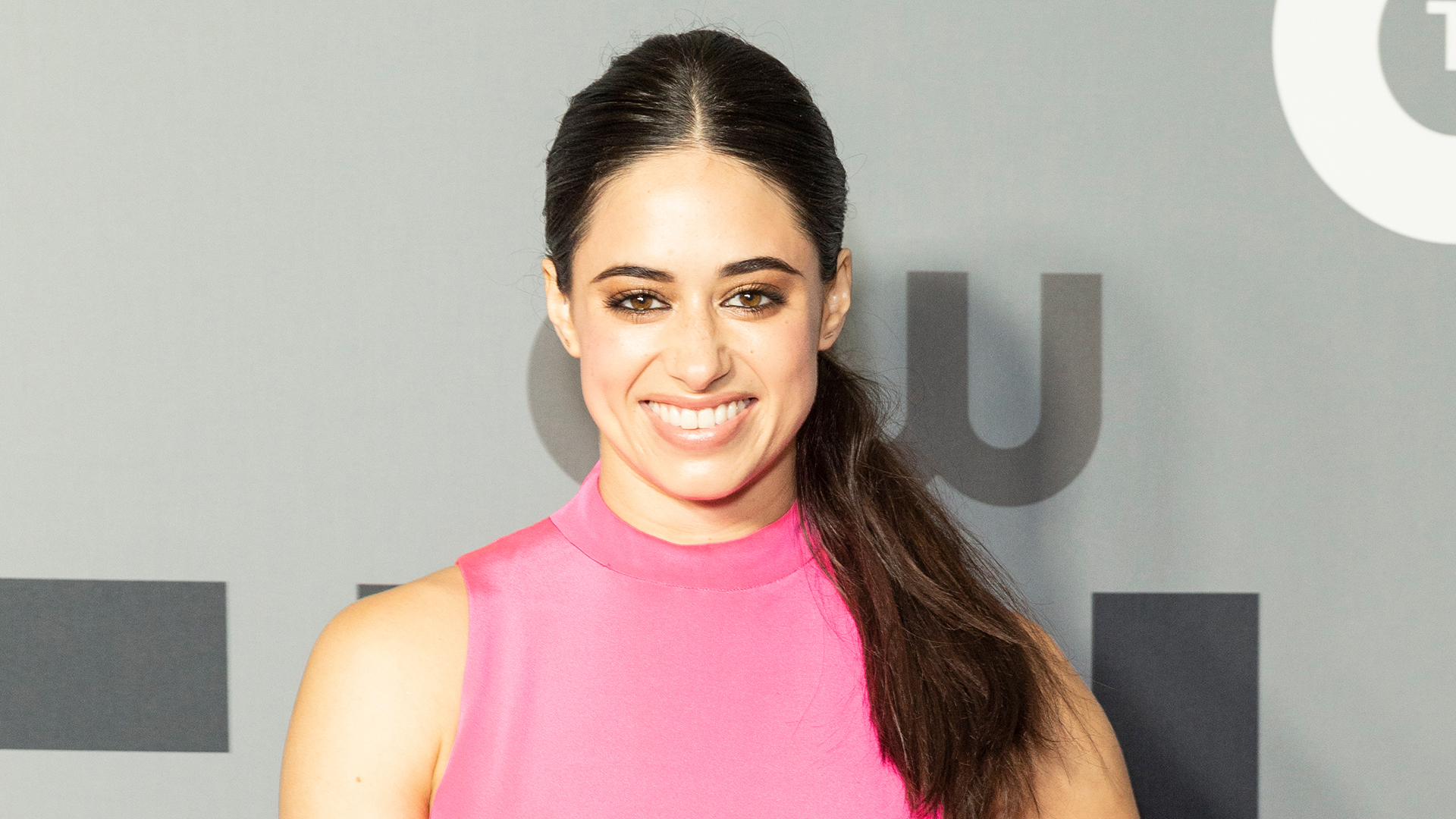 Jeanine Mason actually started her entertainment career as a dancer. She won season five of the competition show, “So You Think You Can Dance,” and launched her acting career after taking the top prize. Mason recently starred as Dr. Sam Bello on “Grey’s Anatomy,” and currently stars as Liz Ortecho on the new CW show “Roswell, New Mexico,” which premiered in January. 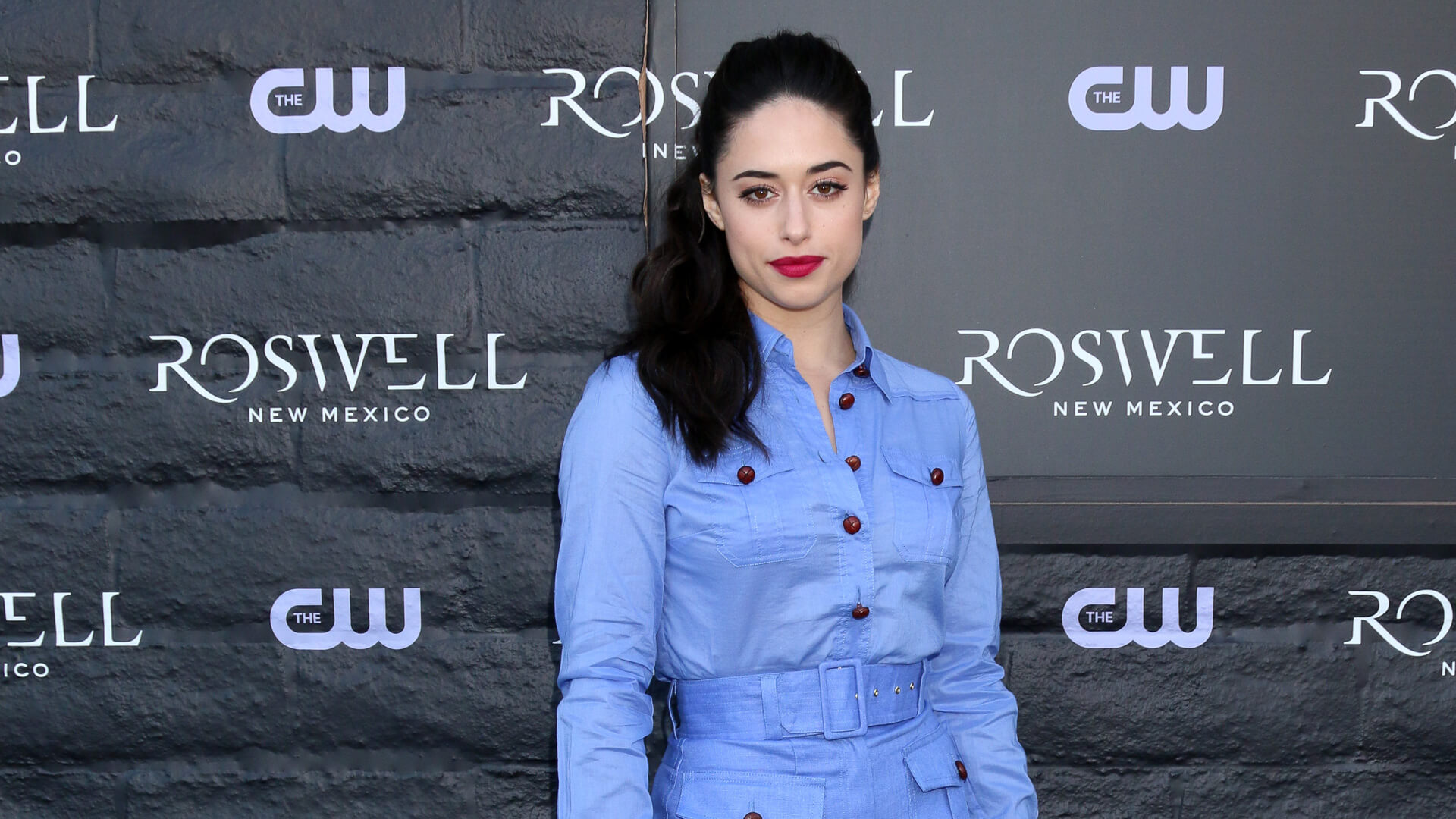 Mason plays Liz Oretcho, a biomedical researcher by trade who reluctantly returns to her hometown of Roswell, New Mexico. At home, she works as a waitress for her family business, an alien-themed restaurant called The Crashdown Cafe. She’d make a lot more money if she went back to working as a medical researcher — the median pay for that job is $84,810 a year.