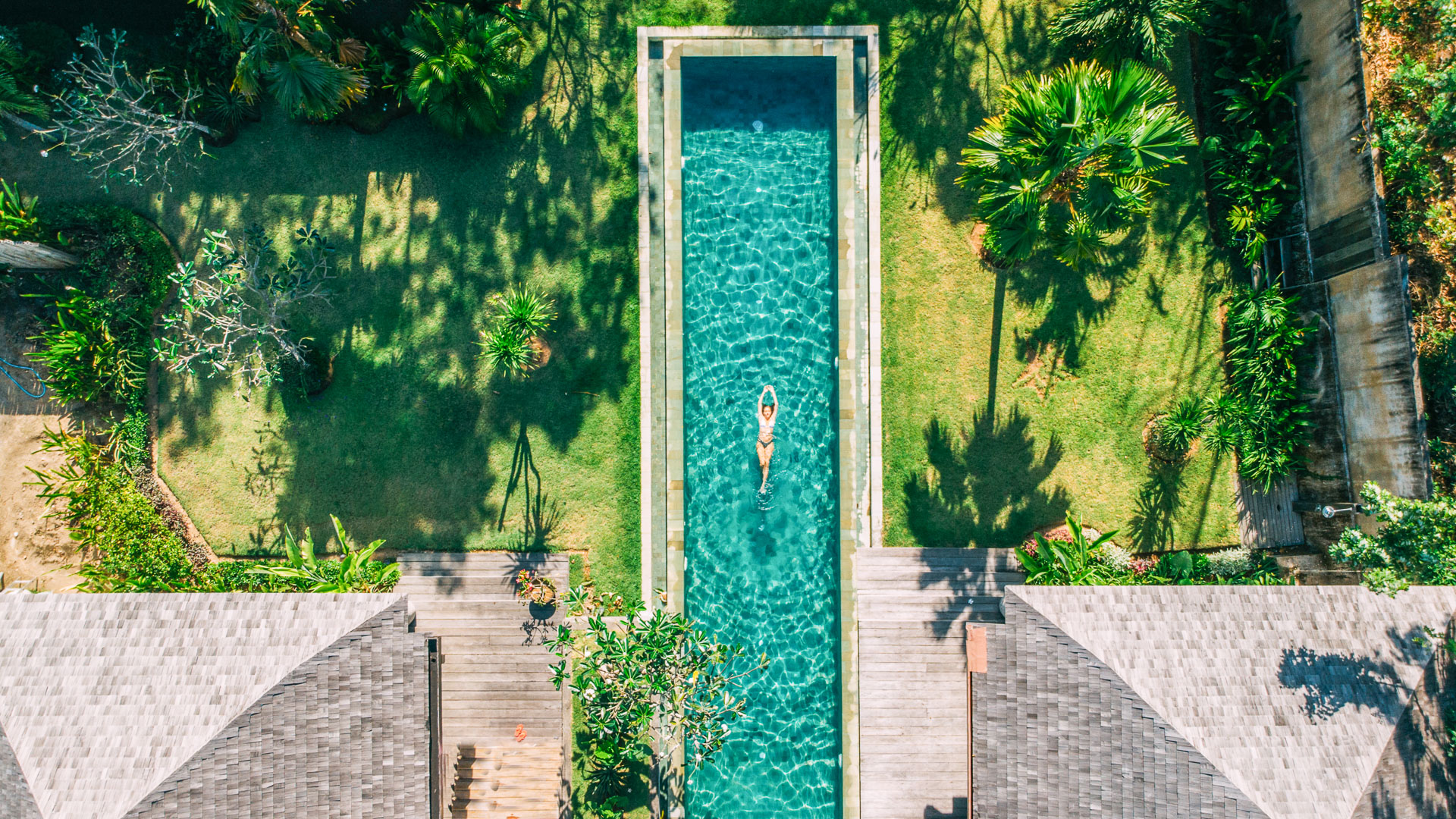 Although it’s tempting to book a spontaneous trip to that Instagram-worthy locale on your bucket list, chances are you’ll come back from those top travel destinations with your pockets empty — or worse, trapped in debt. That’s why GOBankingRates put together a list of 20 hot destinations that you can visit for less than $100 per day.

These cheap vacation spots boast inexpensive hotels, food and local transportation, along with all the sightseeing and experiences you could want. Vacationing on a budget is easy if you’re in the know about the best cheap places to travel this year. 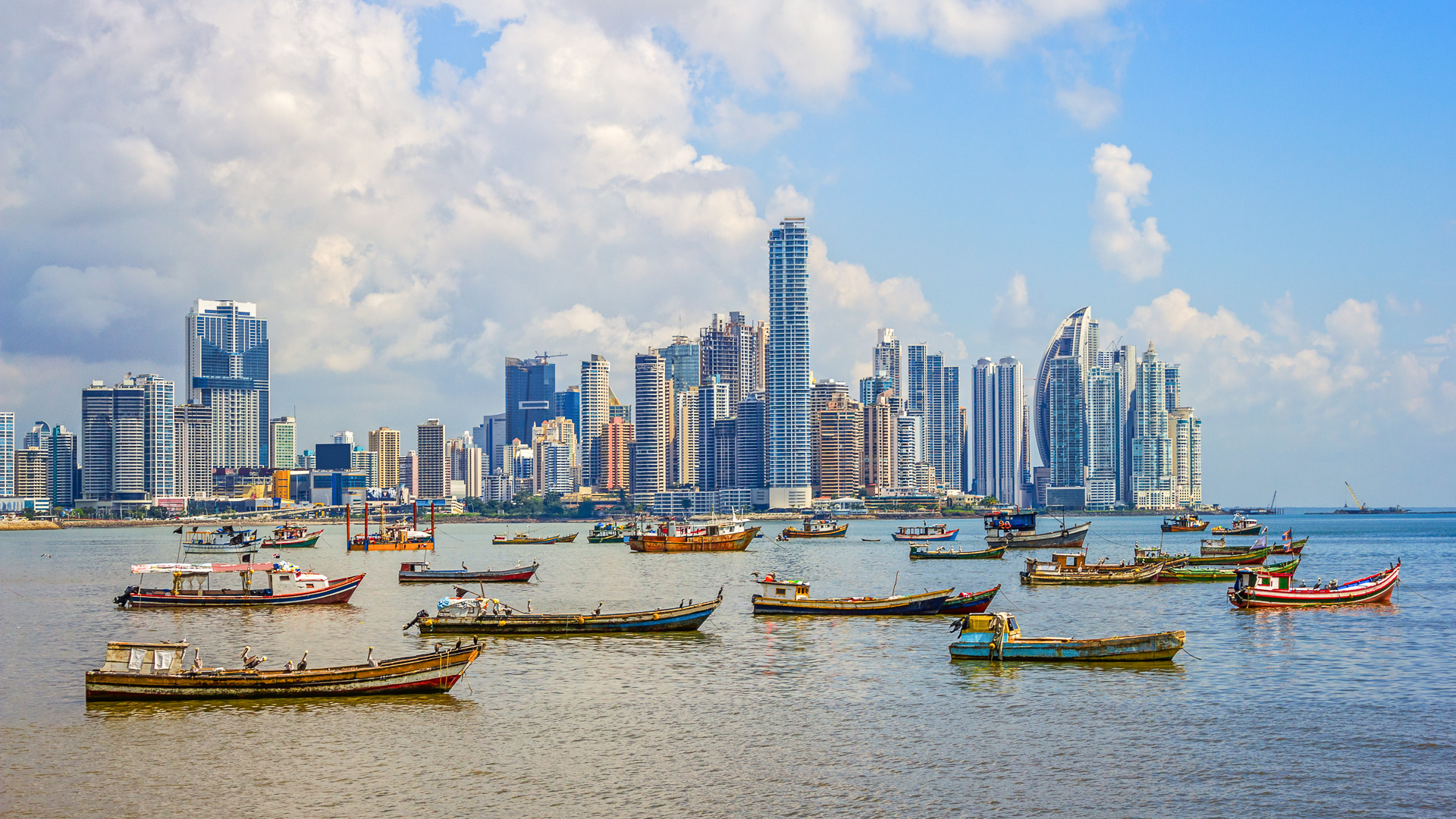 Panama City is tied with Bali, Indonesia, on GOBankingRates’ list for the cheapest local transportation. It costs only $1 to purchase four one-way tickets — that’s 25 cents each — around the city, which makes this cheap Caribbean destination one of the best places to go on vacation. Although average hotel costs in Panama City are the most expensive in this ranking, they’re still affordable at $56 per night. 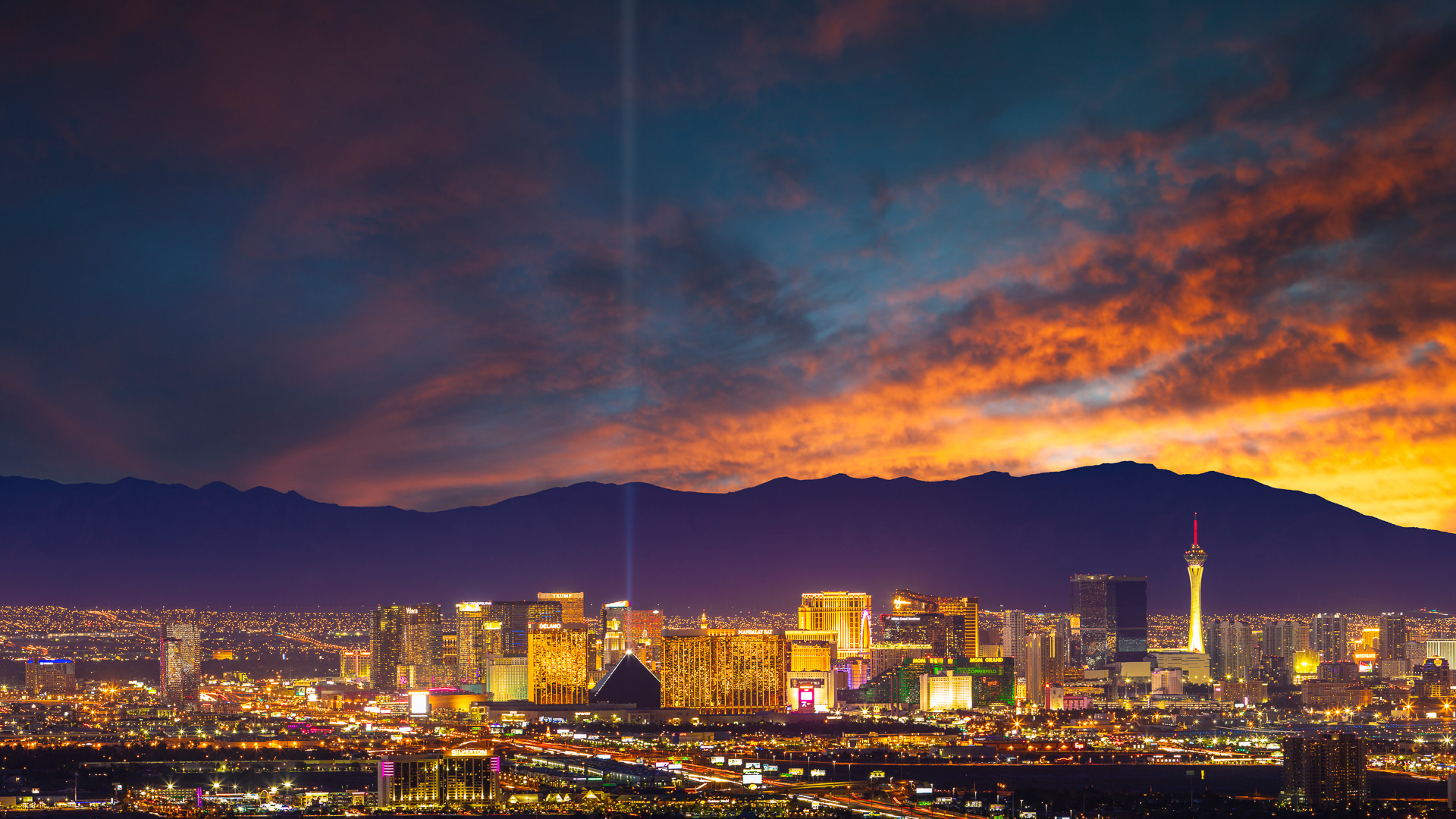 A separate GOBankingRates study found that Sin City is a particularly cheap place to travel in the U.S. Round-trip flights to Las Vegas from John F. Kennedy International Airport in New York cost only $226, which is the second-cheapest airfare on this list. However, you’ll shell out more, on average, to eat at “inexpensive” restaurants: $15 per meal, which is the priciest in this ranking. 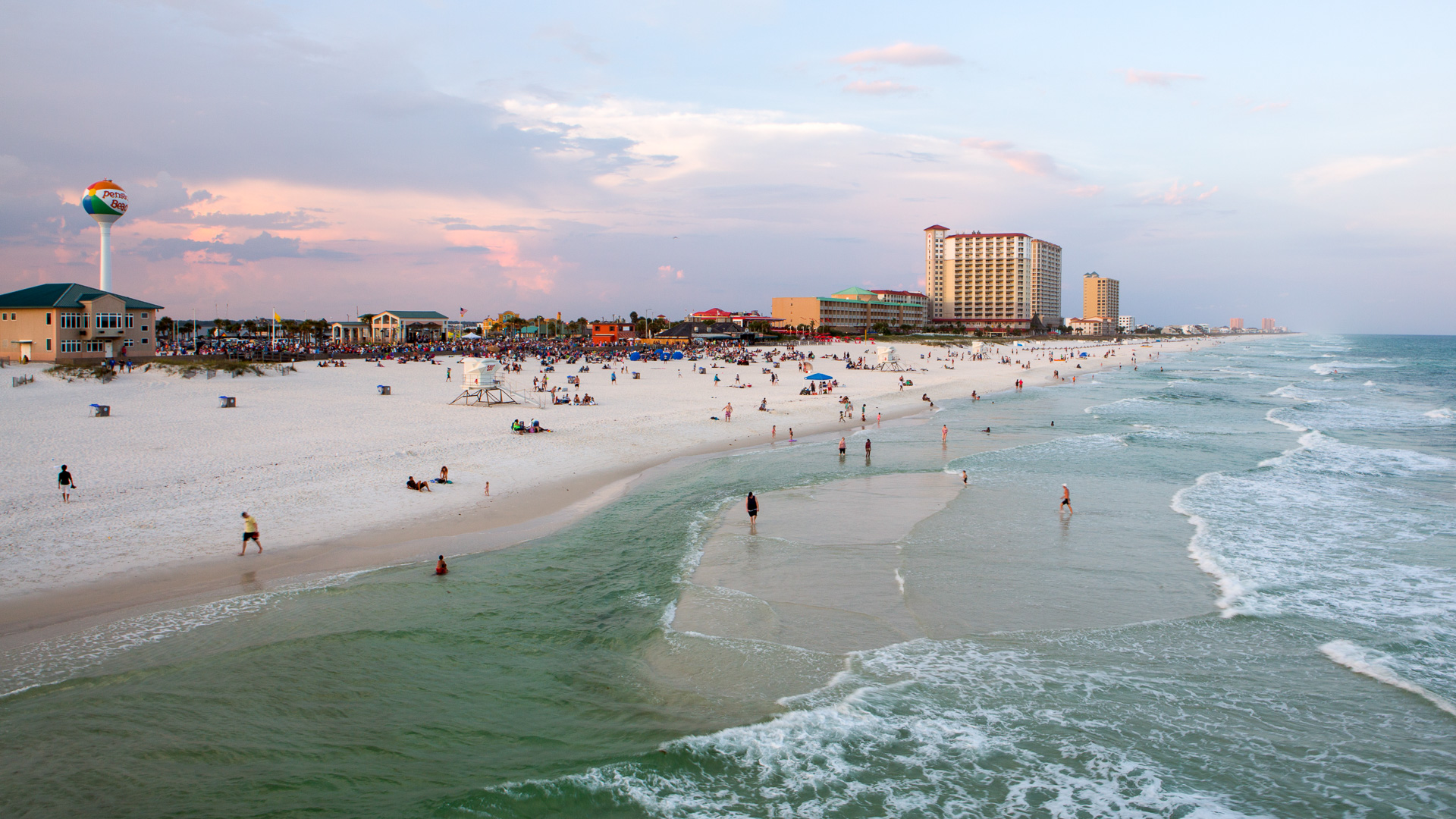 Flying to Pensacola will set you back only $285 for a round trip, which is the third-least expensive flight on the list. Hotel costs average $53.33 per night — the second-most expensive in this ranking — but it’s still a cheap family vacation spot. Kids and adults alike can enjoy activities such as dolphin cruises and camping at historic forts in Pensacola. 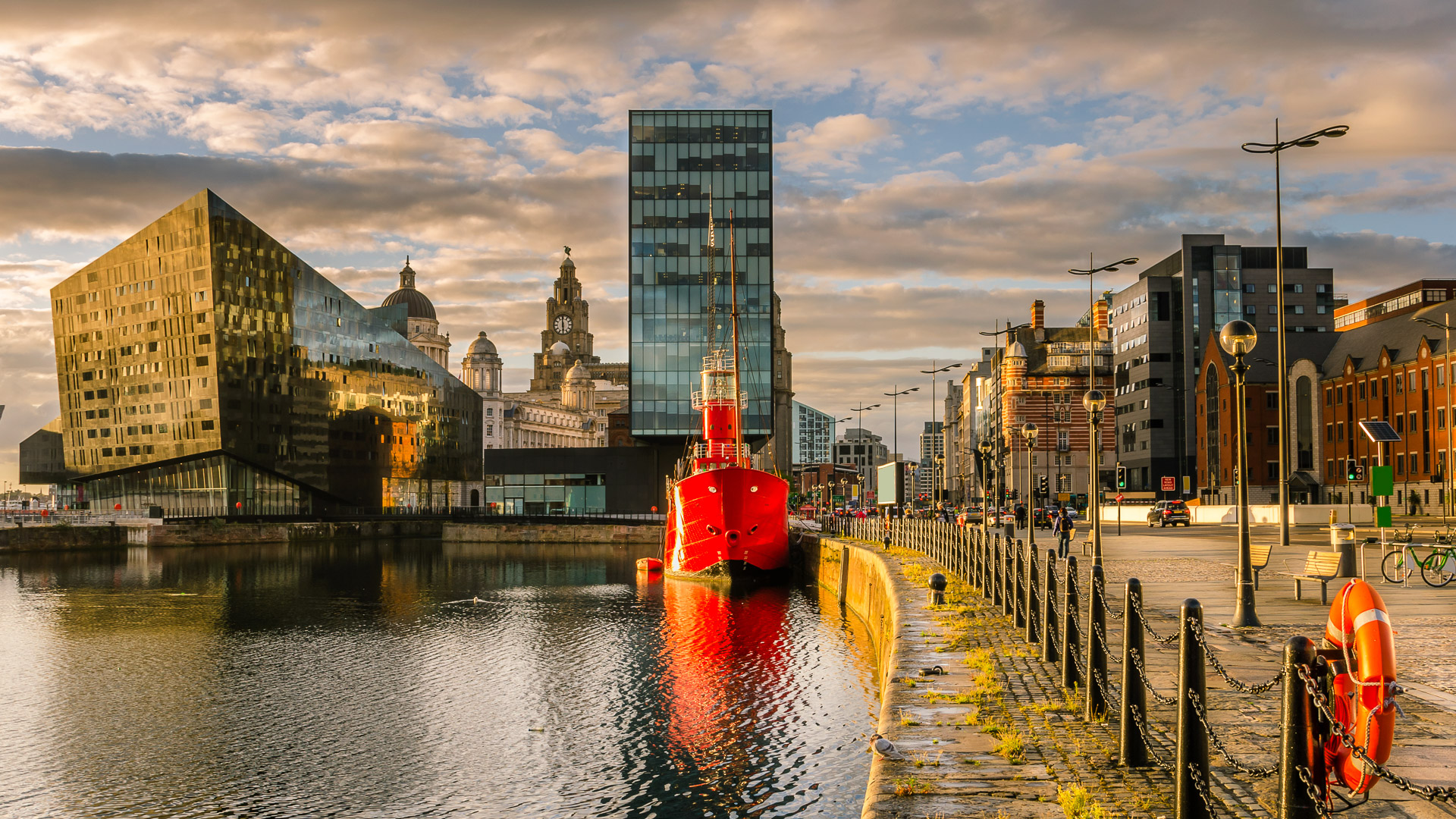 Traveling on a budget of less than $100 per day is easy in Liverpool despite its relatively expensive food and local transportation. You’ll pay an average of $26.11 for a three-course meal at a mid-range restaurant — the second priciest on GOBankingRates’ list. It also costs $3 per one-way ticket to move around Liverpool, which is the most expensive in this ranking. 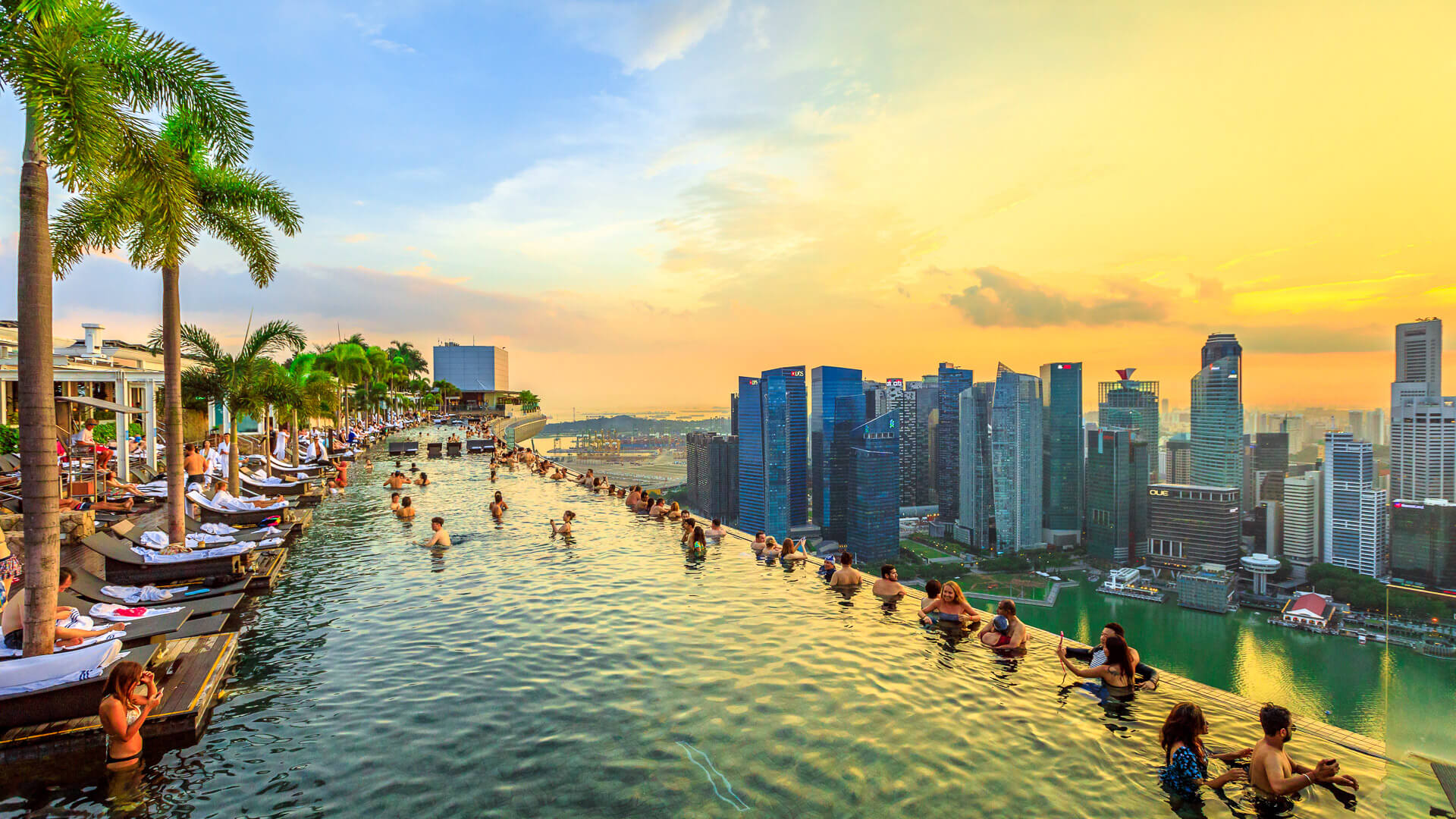 Although you’ll spend an average of $47.67 per night on hotels in Singapore — the third-most-expensive lodging cost on this list — it’s still considered one of the cheapest countries to visit. You don’t need the budget of 2018’s “Crazy Rich Asians” to enjoy a fun tropical vacation in Singapore. However, keep in mind that round-trip flights from JFK cost $879, which is the fourth-most expensive airfare in this ranking. 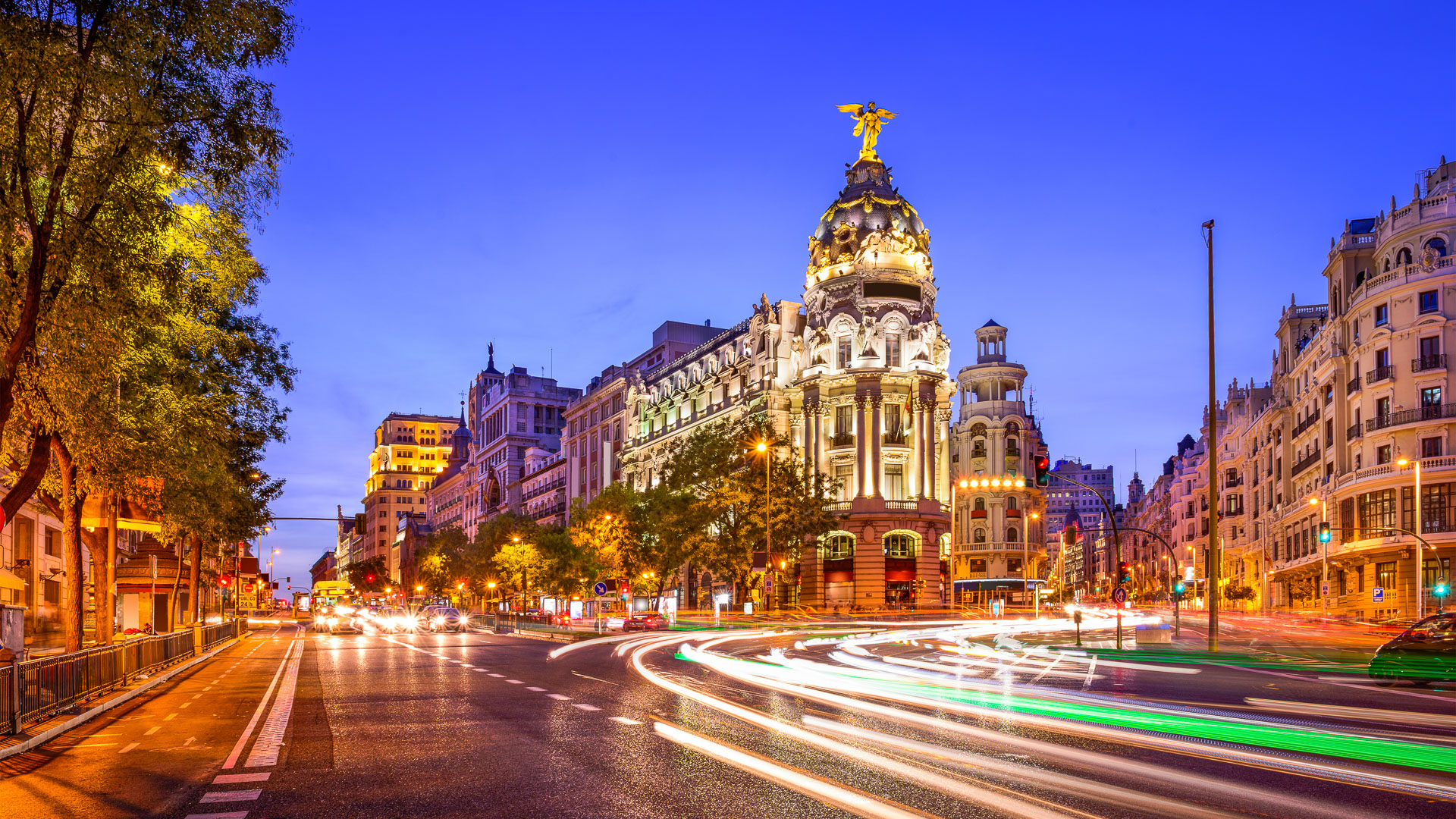 As the capital of flamenco, Madrid offers exciting song and dance performances, along with a very active nightlife. However, make sure to watch your budget when it comes to food: A meal at an inexpensive restaurant costs $13.61 on average, which is the second priciest on GOBankingRates’ list. 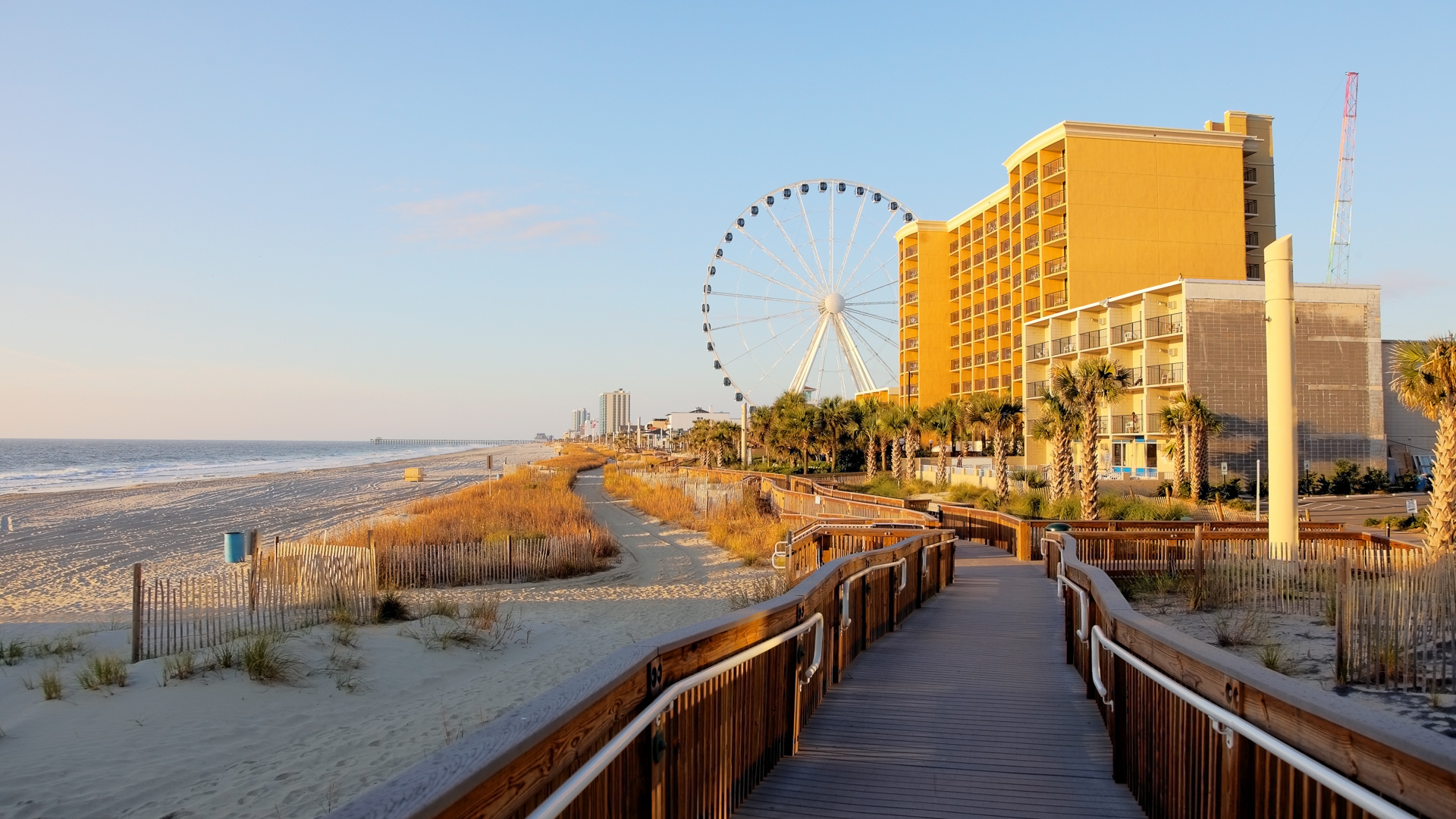 Myrtle Beach is known as one of the most affordable spring break destinations in the U.S., according to a separate GOBankingRates study. Although you’ll spend $2.25 per one-way ticket for local transportation — the second-most expensive price on this list — Myrtle Beach earns the distinction of offering the cheapest flights. Ideal for budget travel, round-trip flights to this city from JFK cost just $219. 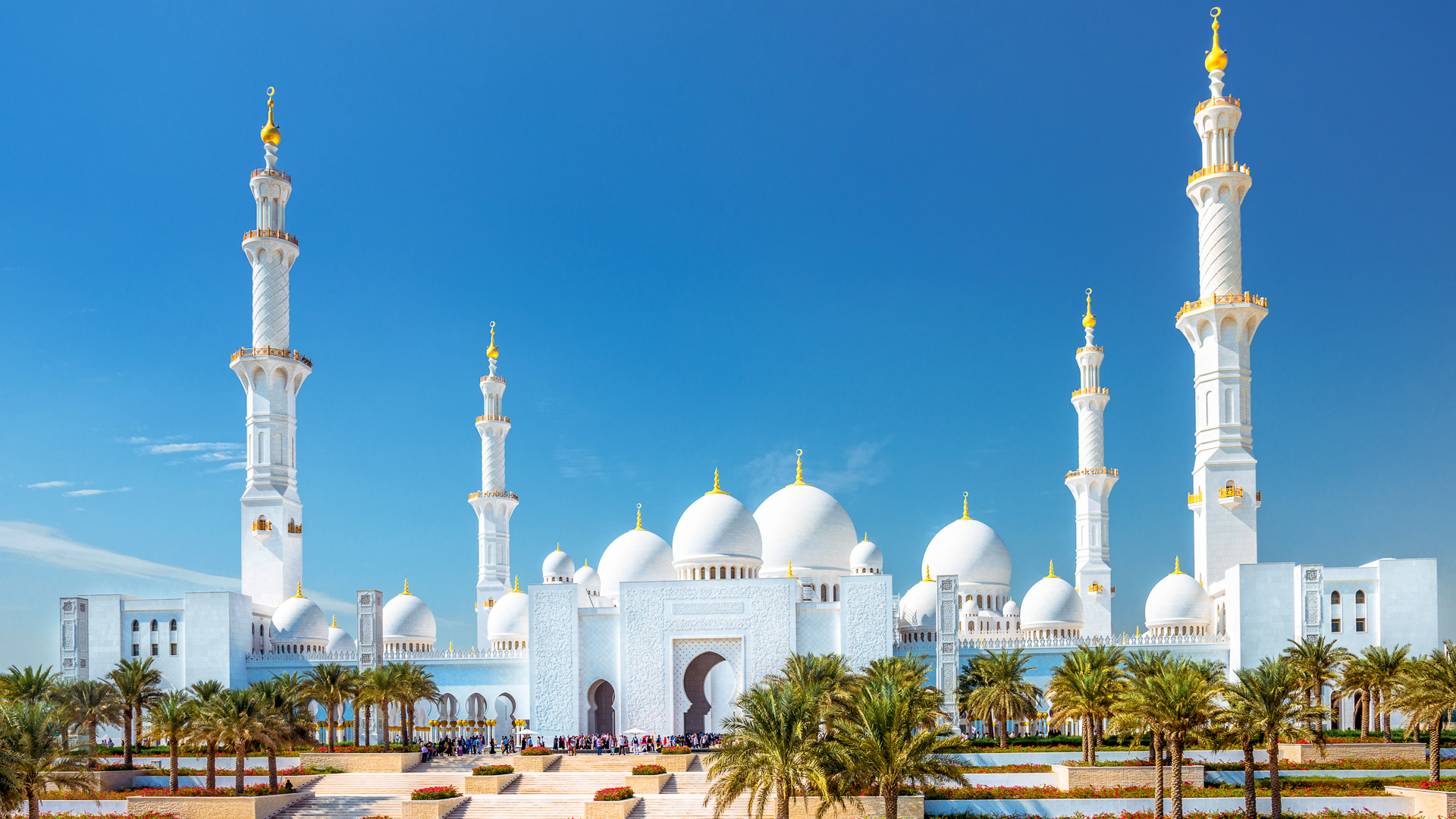 At a staggering cost of $1,156 for round-trip airfare, flights to Abu Dhabi aren’t exactly cheap. However, once you’ve arrived, you can vacation for approximately $80 per day — making it a cheap place to travel internationally. Local transportation is kind to the wallet as well, costing only $2.16 for four one-way tickets to get around the opulent city. 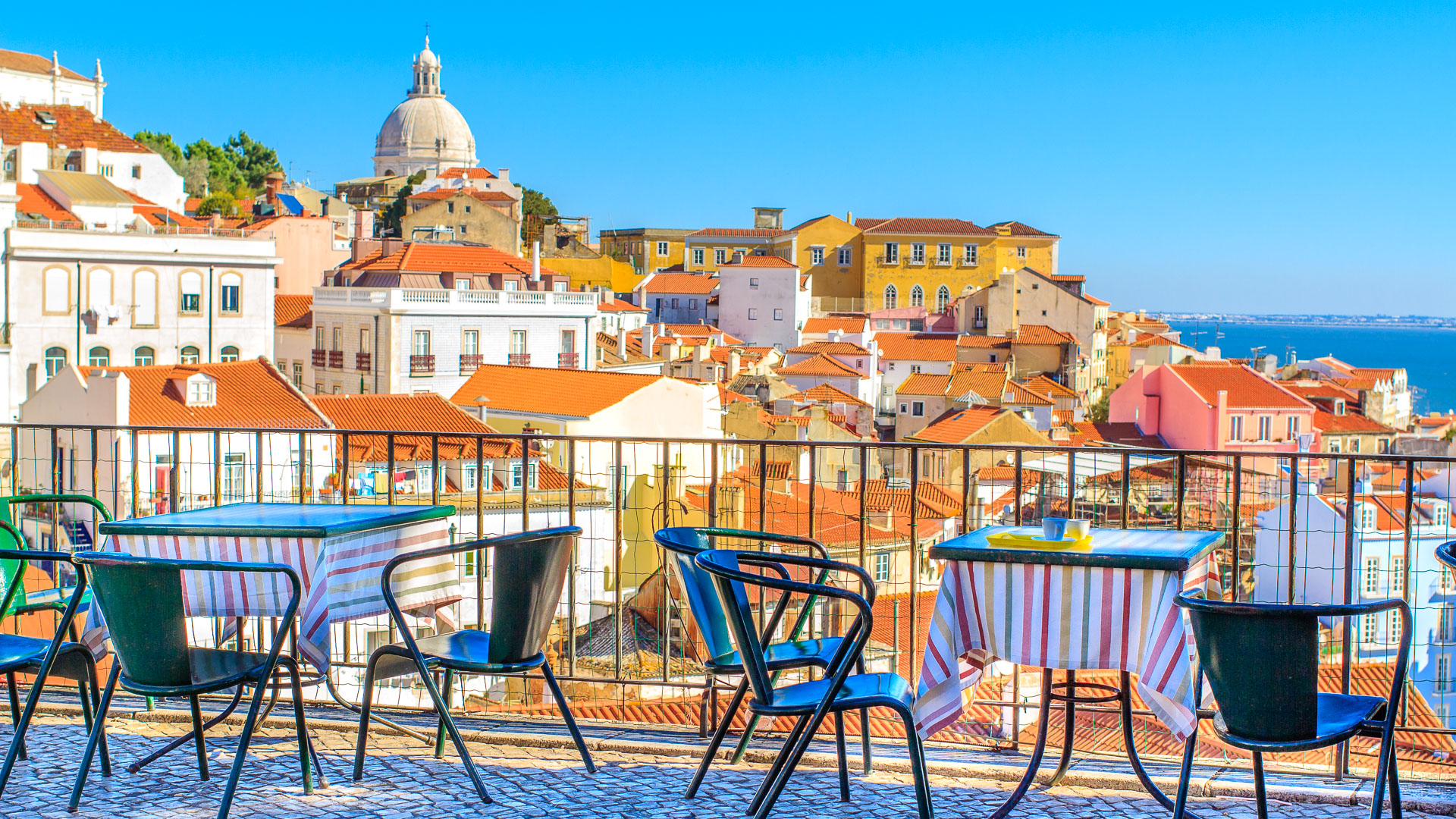 Expect to spend an average of $566 on flights to the capital city of Portugal, as well as $42.67 a night for hotels and $1.70 per one-way ticket for local transportation — not bad for a cheap vacation. If you manage to exhaust everything that Lisbon has to offer, you can take a day trip to nearby Sintra, home to Quinta da Regaleira. It’s a famously grand 20th-century residence with captivating gardens and hidden passages. 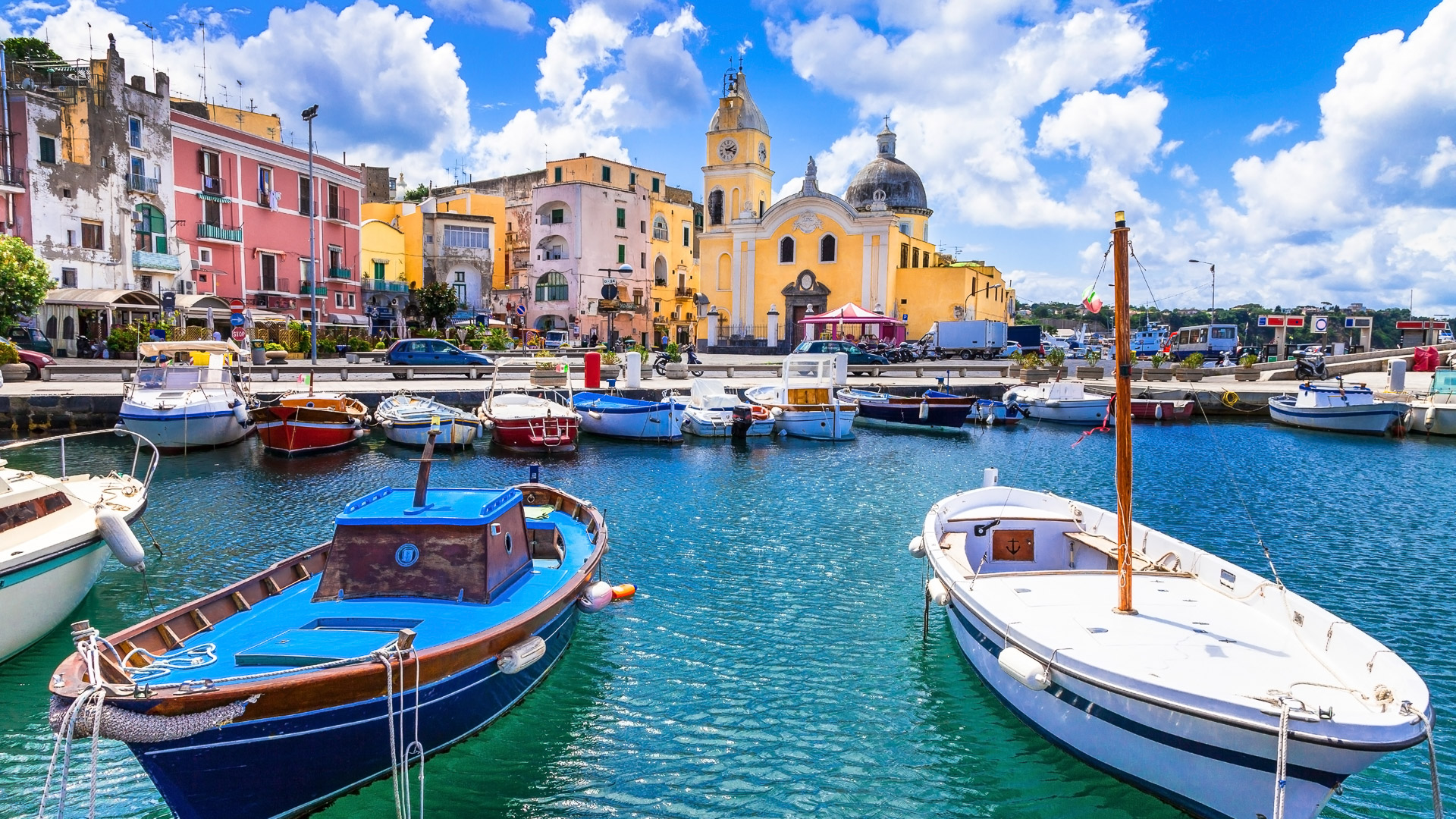 Naples can count itself among the best vacation spots thanks to its rich cultural history and affordable daily cost for tourists. Hotels typically cost $39.33 per night, and you can purchase four one-way tickets to get around locally for only $5. Indulge in delicious food and captivating sightseeing tours or take memorable day trips to see Mount Vesuvius and Pompeii. 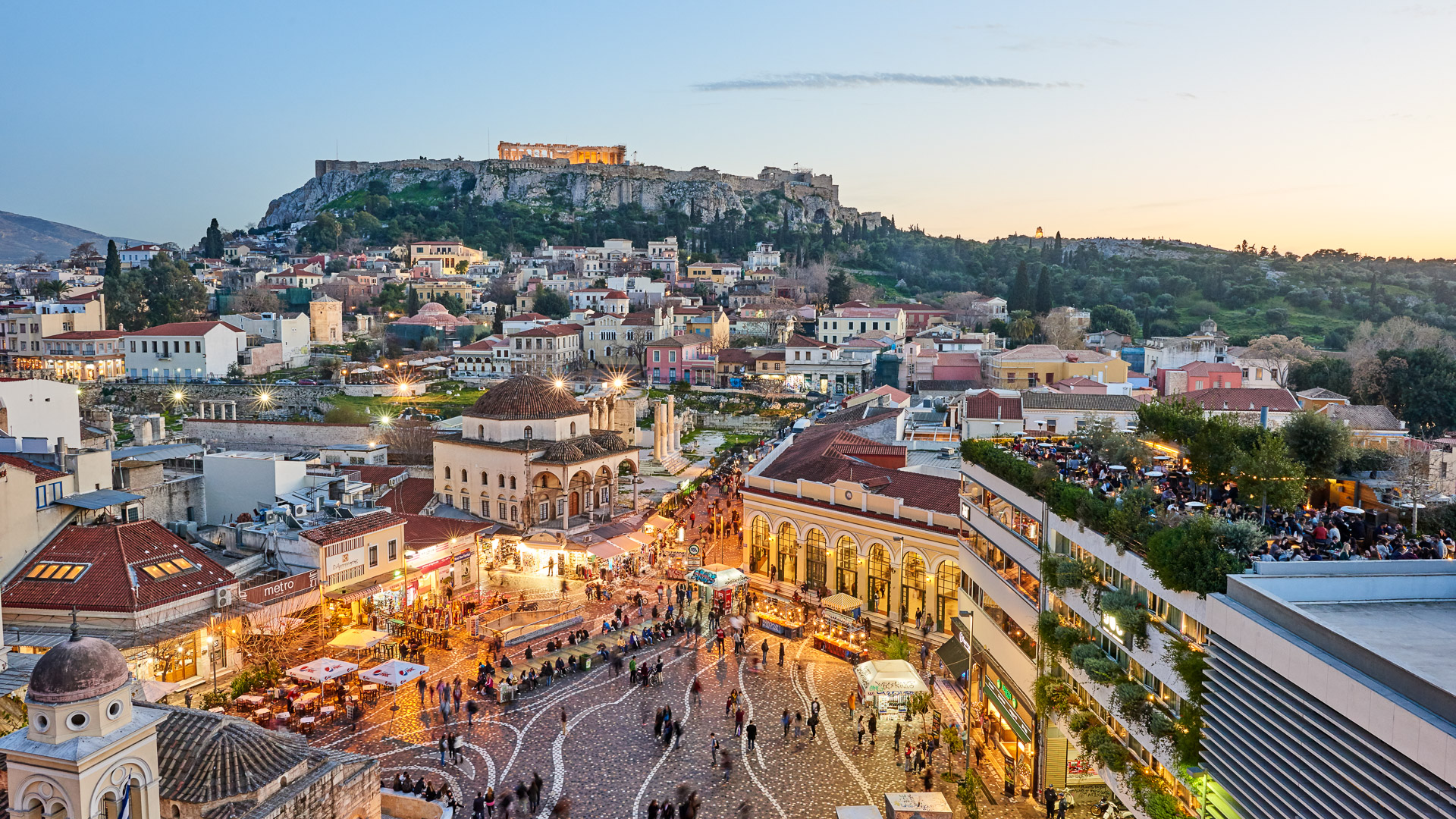 You can score round-trip airfare to the capital of Greece for only $510 on average, which is one of the cheapest international flights on GOBankingRates’ list. Some notable landmarks in Athens include ancient ruins of the Acropolis and the Parthenon — perfect for history junkies. Hotels will cost you an average of $36 per night, and you can expect to pay a little over $11 for a meal at an inexpensive restaurant. 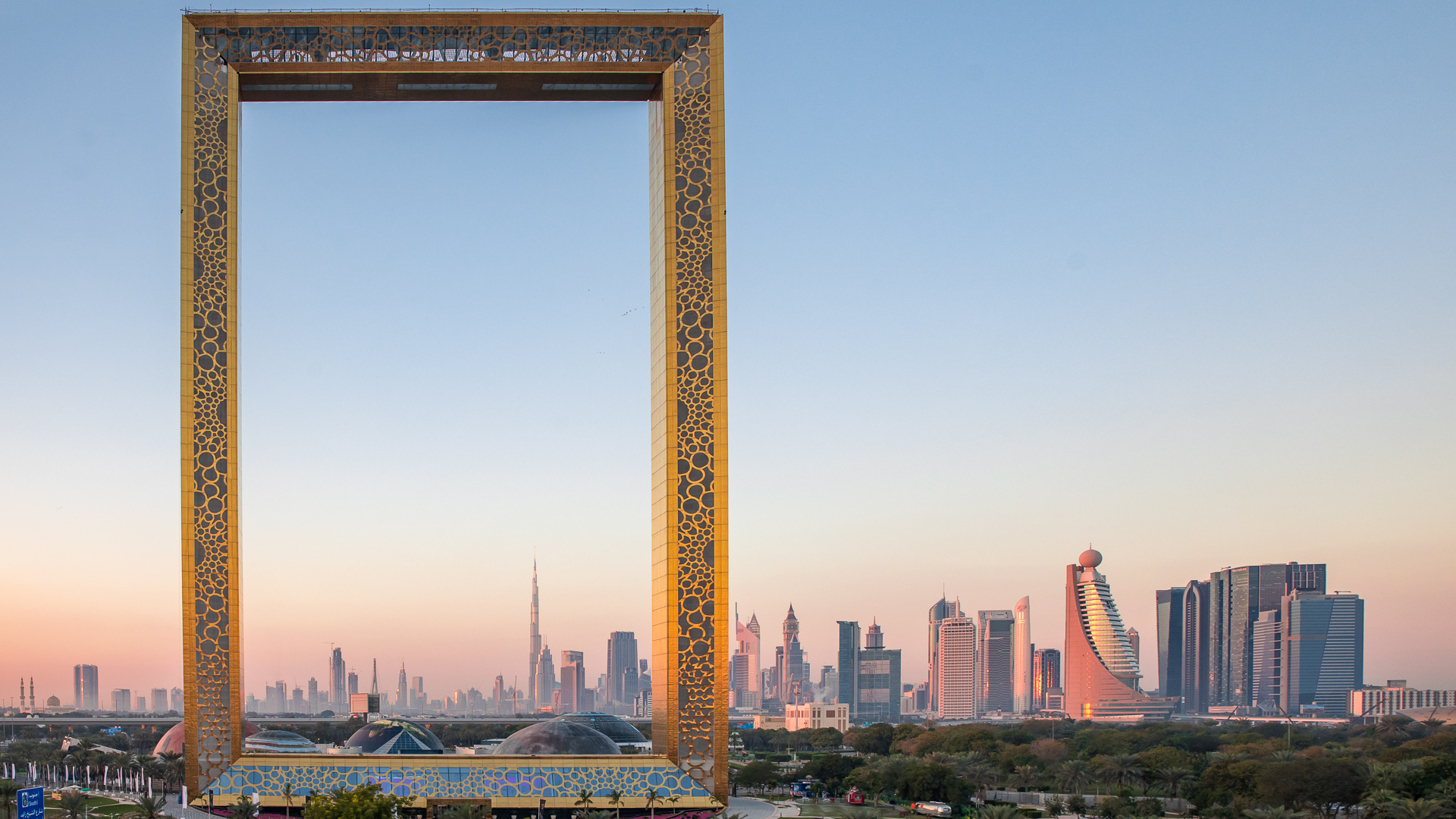 Hotels are a steal in Dubai at only $29.33 per night on average, which is the fifth-cheapest rate in this ranking. But, if restaurants are the focus of your vacation planning, Dubai offers the priciest three-course meal at midrange restaurants compared to the other locales on GOBankingRates’ list. You’ll pay $27.23 for that meal on average, which is still cheaper than a lot of options domestically. 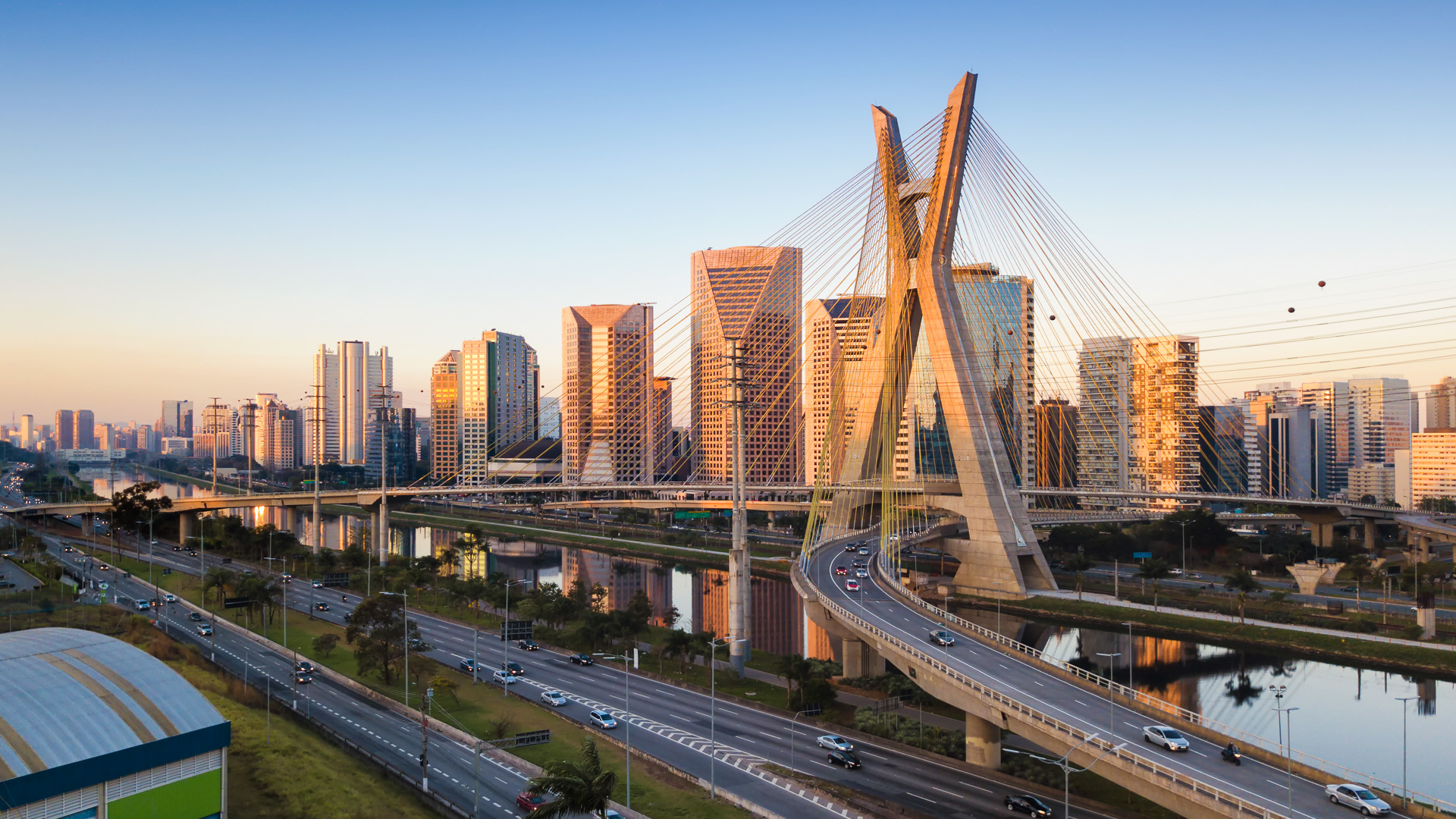 With free concerts, plenty of running trails and food vendors, Ibirapuera Park is the top attraction in São Paulo, according to TripAdvisor and U.S. News & World Report. Visitors will spend an average of $32.33 per night for hotels and $1.07 per one-way ticket to get around on local transportation. To reach this destination, prepare to drop an average of $787 on round-trip flights from JFK. 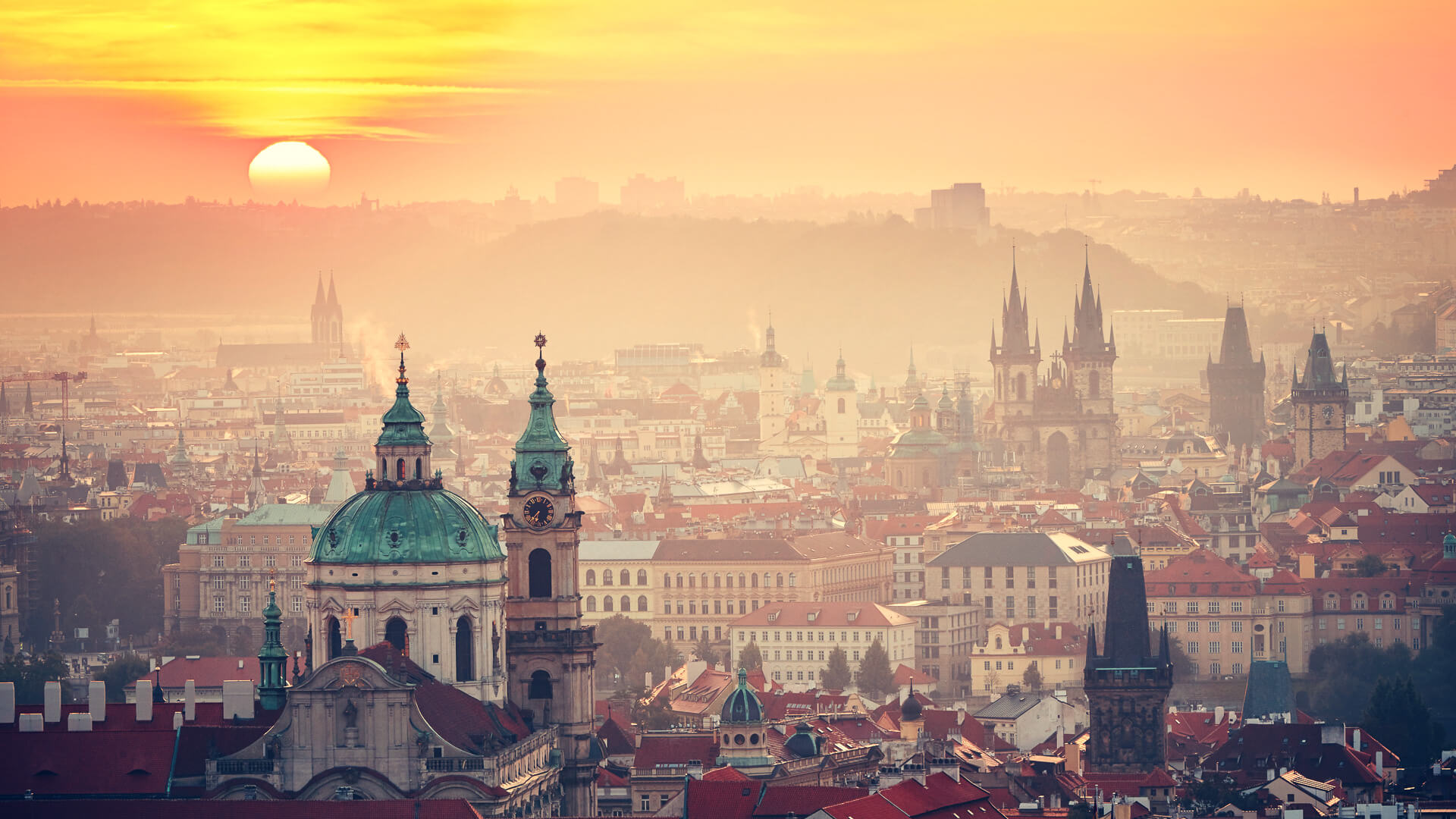 You can explore Prague for less than $60 per day, which is ideal for limited budgets. Start your cheap vacation with a meal at an inexpensive restaurant for only $6.29 on average. Some popular attractions in this architecturally beautiful city include Old Town Square, Charles Bridge and Prague Castle, according to TripAdvisor and U.S. News & World Report. 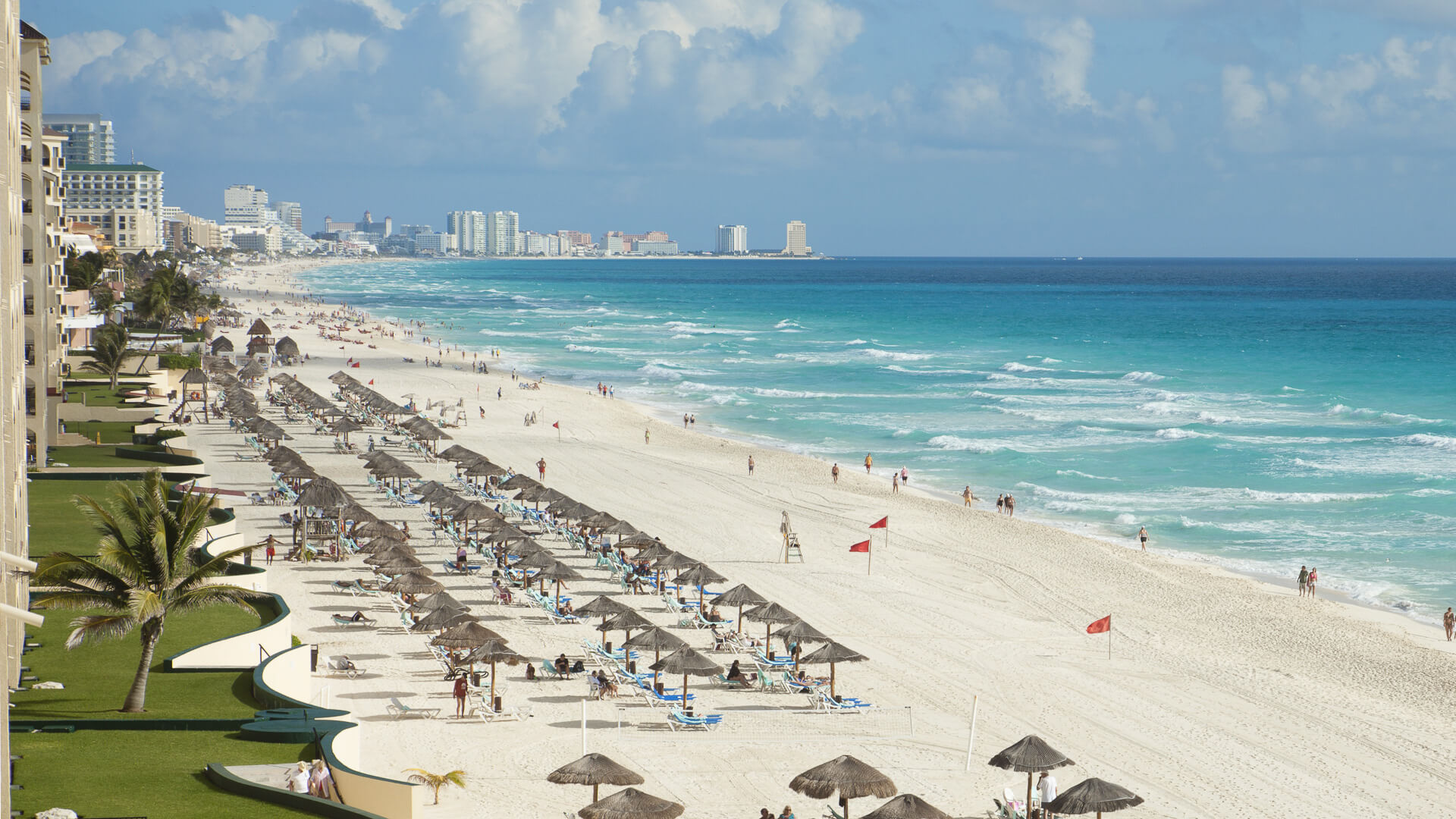 Cancun is the fourth cheapest under multiple categories in GOBankingRates’ study: flights, at $346 for a round trip from JFK; meals at inexpensive restaurants, at $5.22 a pop; and three-course meals at midrange restaurants, at $14.37 per person. Aside from the popular beaches and nightlife, visitors can swim with dolphins or tour the Chichén Itzá, a famous Mayan archaeological site. 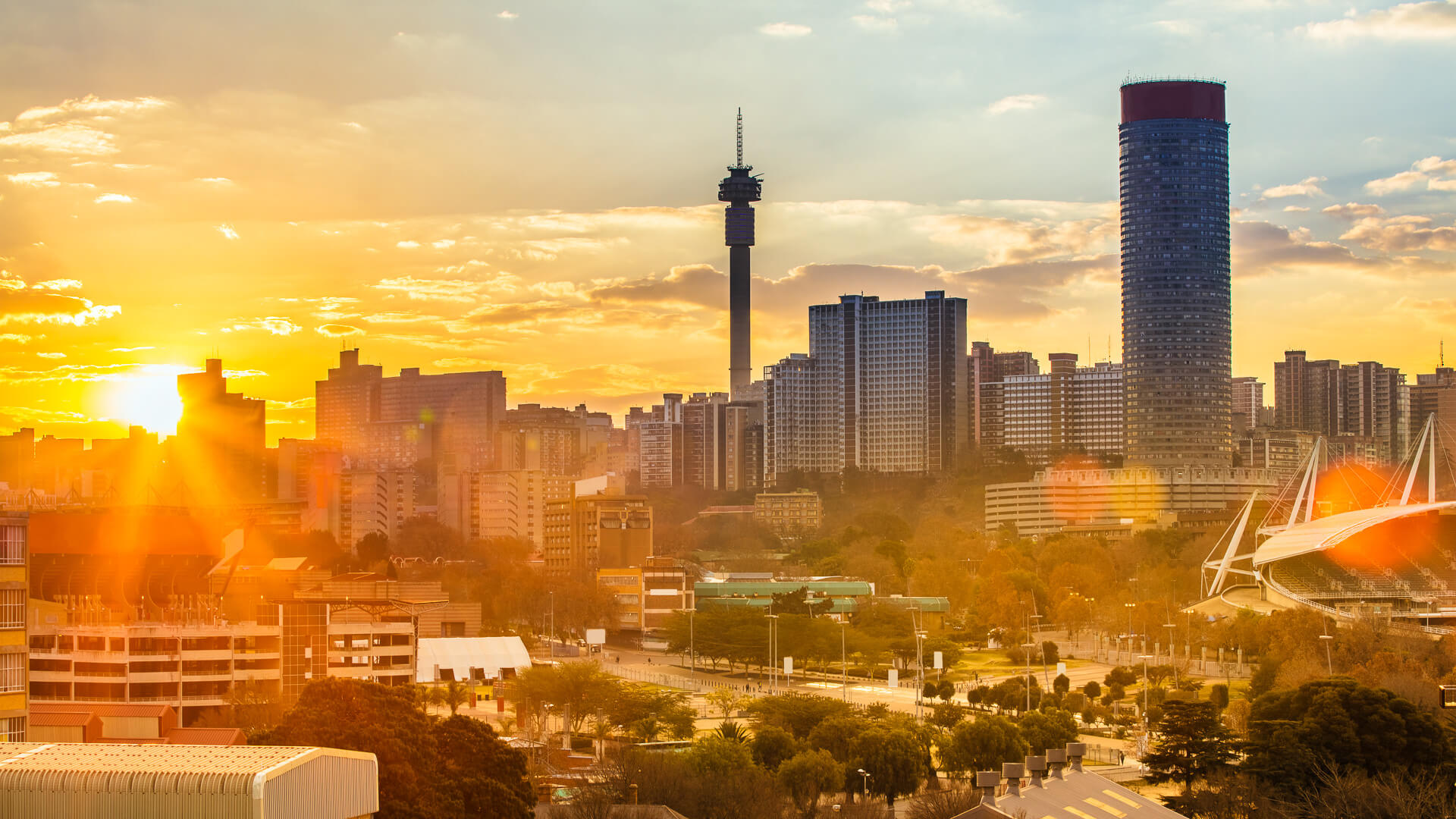 The $910 price tag on a flight to Johannesburg is steep — it’s the third-most expensive airfare on the list — but the cost is balanced out by the third-cheapest average hotel cost at only $18.67 per night. The top attraction in Johannesburg is the Apartheid Museum, where visitors can educate themselves on South Africa’s history, according to TripAdvisor and U.S. News & World Report. 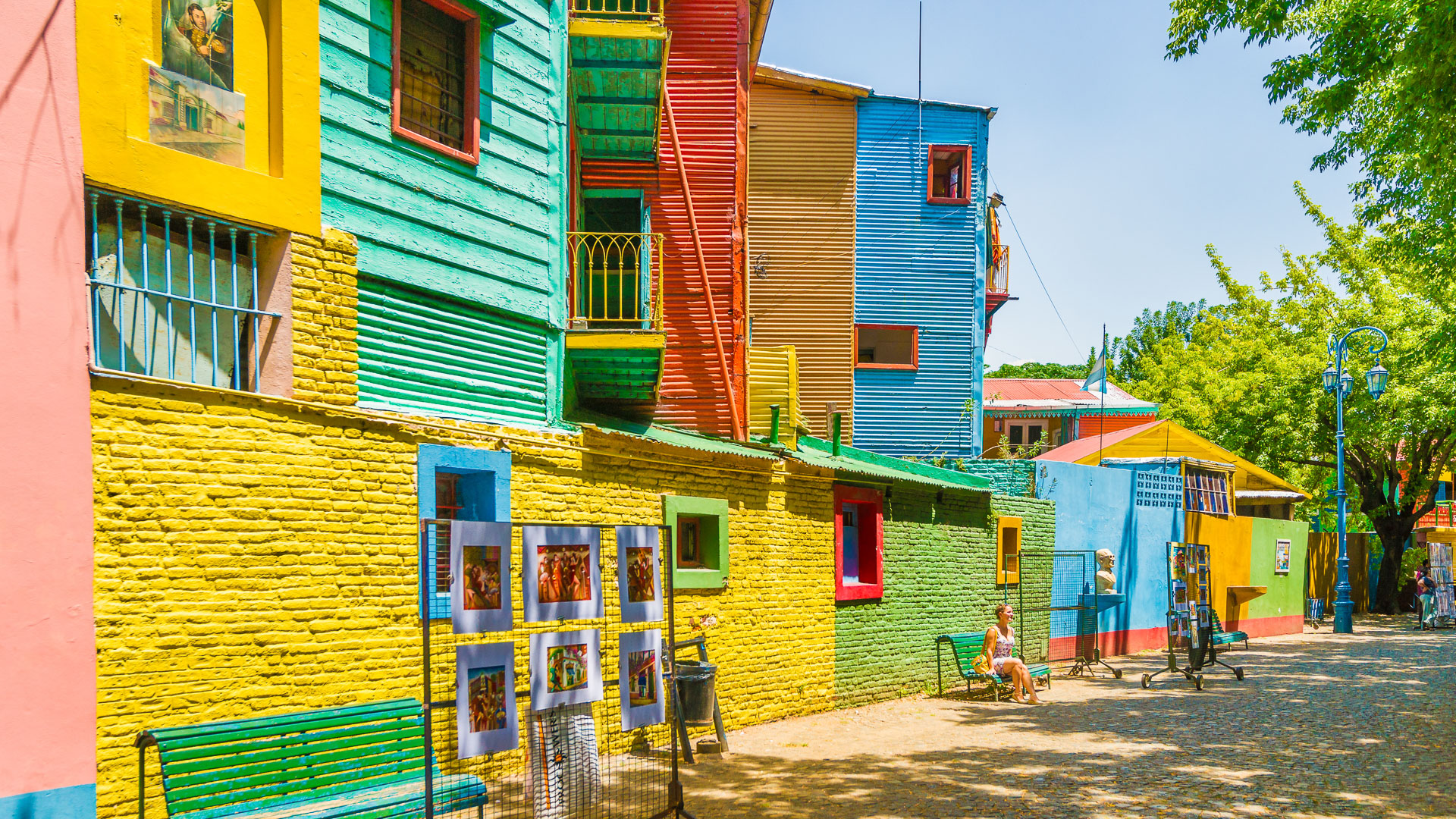 In Buenos Aires, you’ll find affordable local transportation — costing only 36 cents per one-way ticket — as well as three-course meals at midrange restaurants for only $11.46 on average, which is the third-least expensive on GOBankingRates’ list. However, be prepared to spend a hefty amount on airfare before your trip to this otherwise cheap vacation spot. Round-trip flights from JFK cost $1,048 on average, which is the second-priciest option in this study. 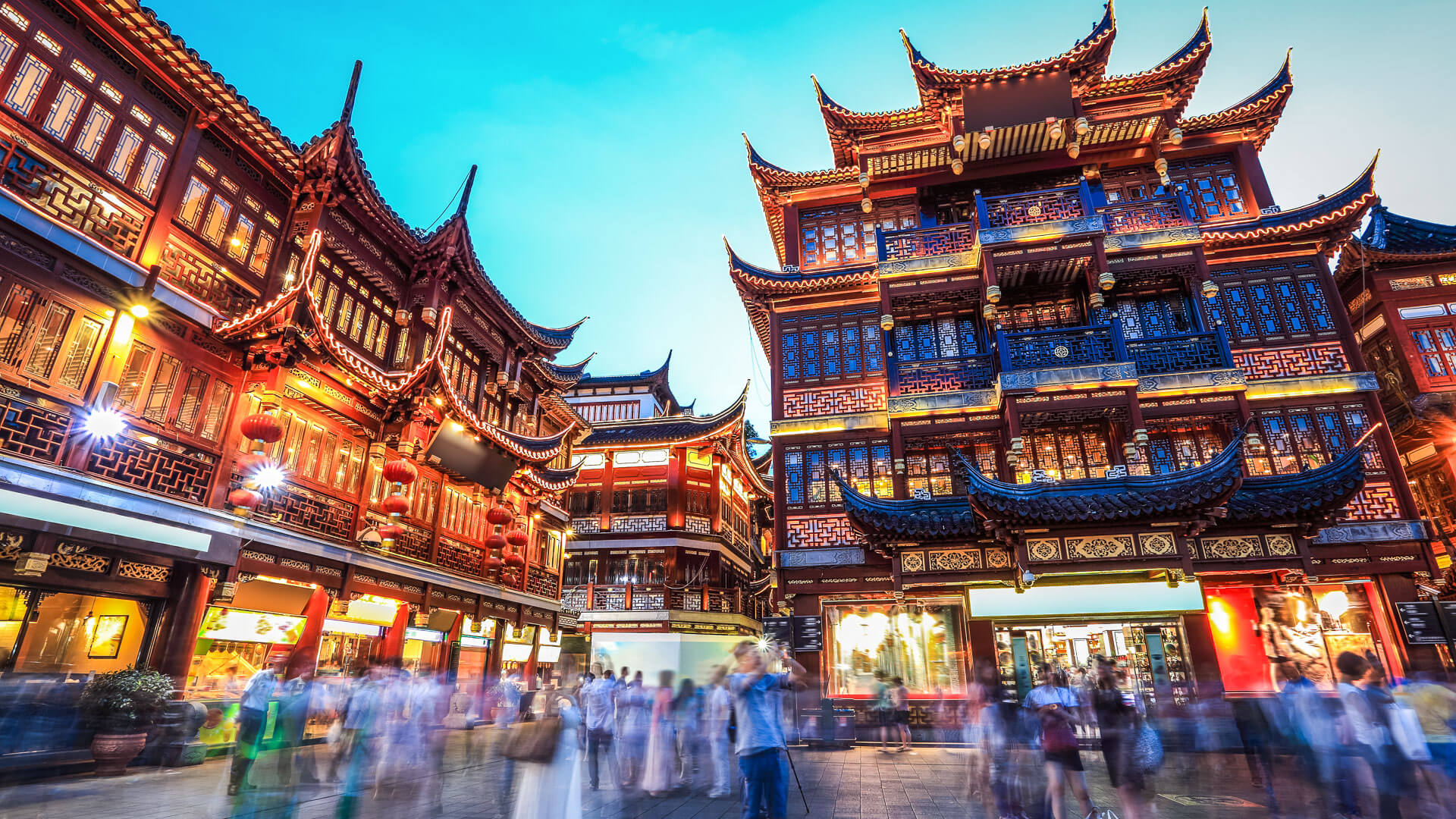 Shanghai is an ideal city for budget travel. It offers the third-cheapest meal at an inexpensive restaurant — costing only $4.98 a pop — as well as the fourth-least expensive hotel costs, at $26.67 per night on average. Overall, you can expect to eat well in Shanghai. Visitors are able to order a three-course meal at a midrange restaurant for only $16.37 on average. 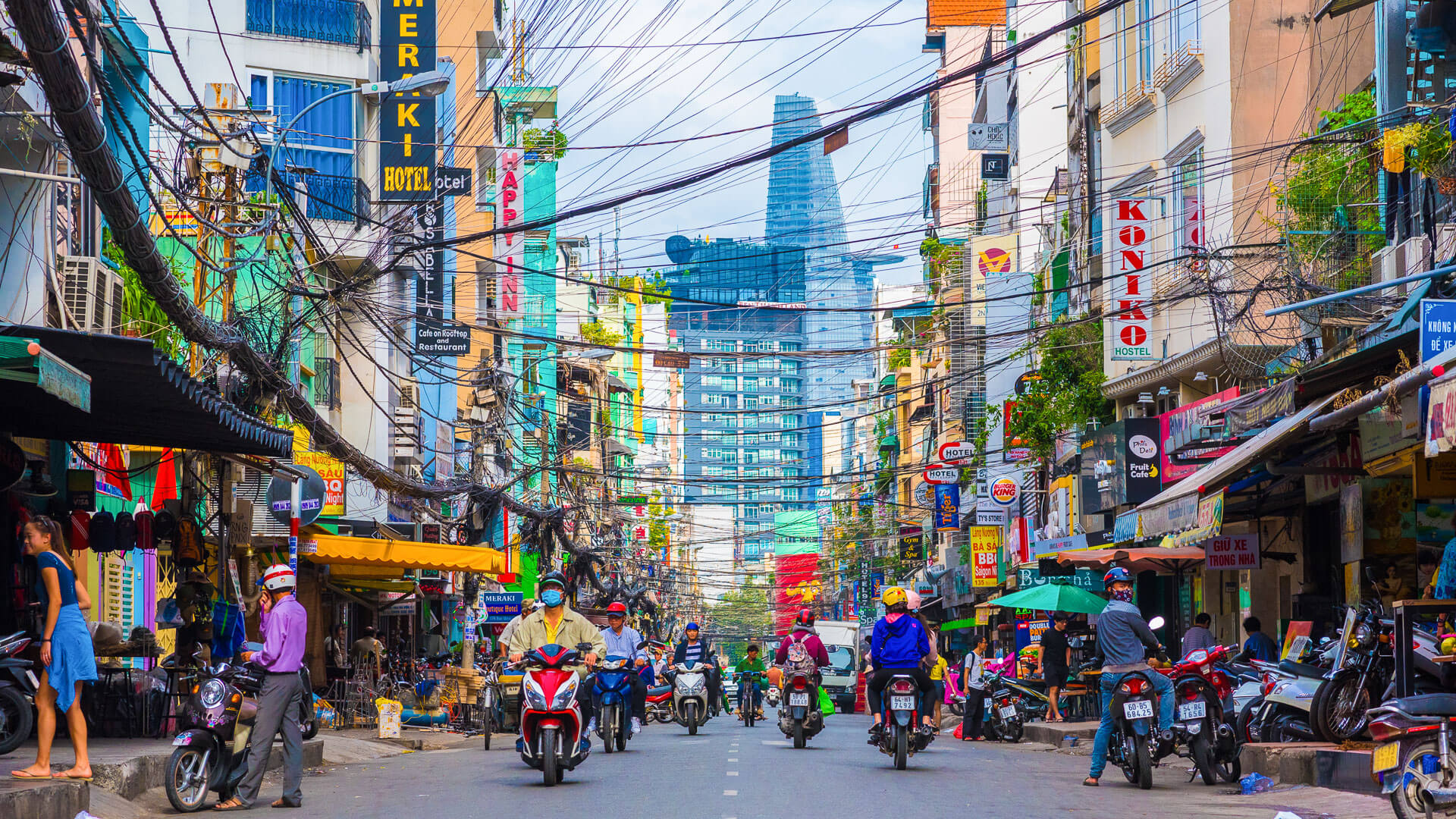 Although all of the cities in GOBankingRates’ study are considered the hottest and cheapest places to travel, vacationers will find the top two cities to be almost ridiculously affordable at under $30 per day.

In Ho Chi Minh City, you can stay for $13.33 per night and eat at inexpensive restaurants for $2.17 per meal on average — both of which are the second cheapest in their respective categories. You can also get around the city for 26 cents per one-way ticket and eat a three-course meal at a mid-range restaurant for a mere $8.67 on average, which amounts to the third-cheapest costs on this list. 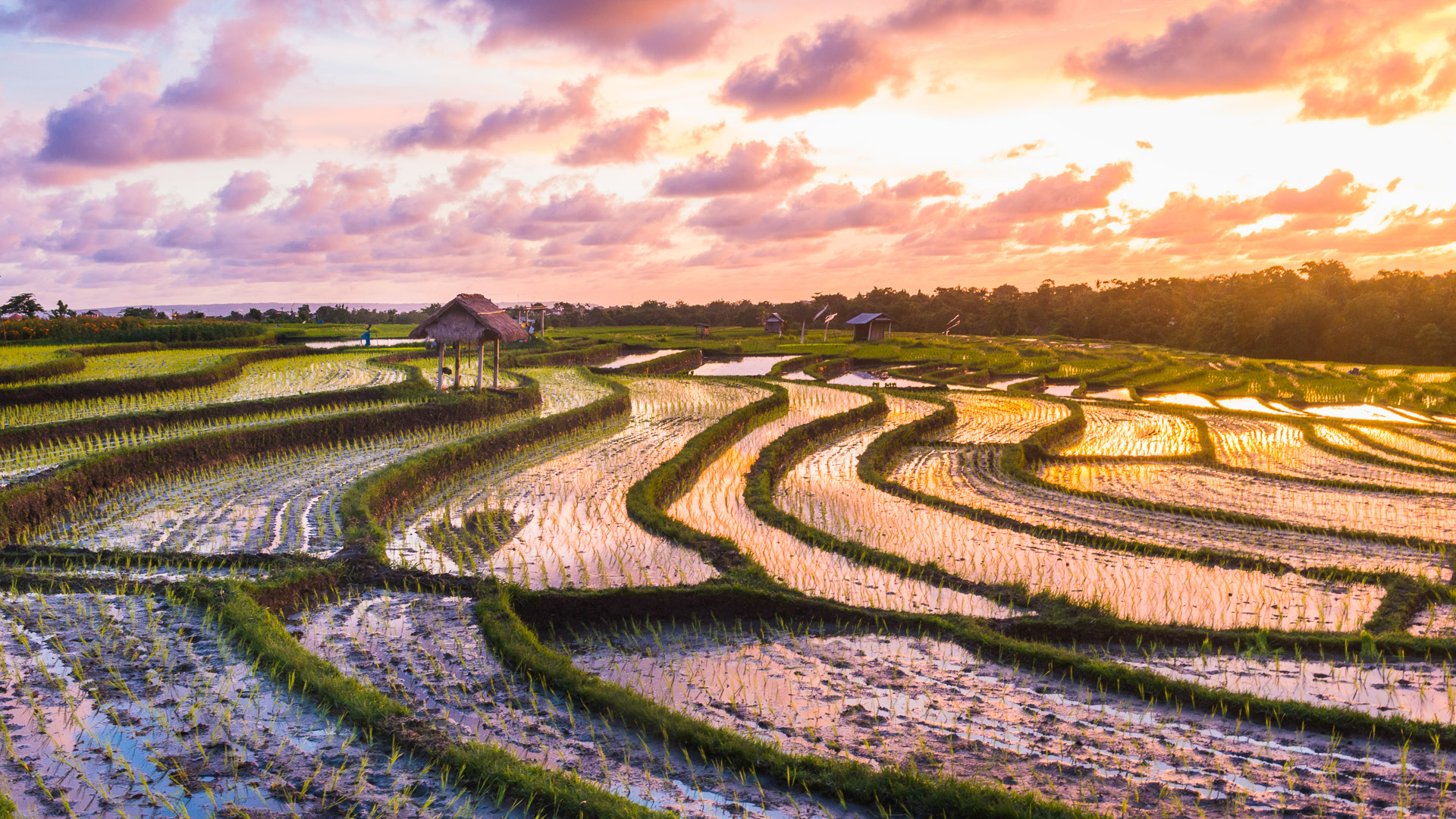 Bali takes the top spot in this ranking thanks to its unbelievable affordability. Visitors can stay for $11.33 per night and eat at inexpensive restaurants for $2.14 per meal on average — the cheapest costs in each respective category. Bali is also tied with Panama City for the least expensive local transportation at 25 cents per one-way ticket. And, a three-course meal at a midrange restaurant costs $8.90 per person, which is the second-cheapest price on GOBankingRates’ list.

Methodology: GOBankingRates analyzed 350 cities around the globe to find 20 hot destinations where you can visit on less than $100 a day. For each of the 350 cities, GOBankingRates found average nightly hotel costs from Hotels.com based on three-star hotels in the city center during the week of Sept. 7 to Sept. 14, 2019. Then, the costs of a three-course meal for one, an inexpensive meal for one and four local transportation tickets were found. All of those factors were added together to determine a daily sum for each city. Round-trip flight costs from John F. Kennedy International Airport in New York for the week of Sept. 7 to Sept. 14, 2019, were included because JFK offers the greatest number of international flights.