These Are the 10 Cheapest Cities to Own a Pet, Study Finds

It’s hard to put a price on puppy — or kitty — love. Animals bring so much joy to a household, but caring for pets properly requires a substantial financial commitment.

GOBankingRates recently conducted a study to learn which cities are the most and least affordable to own a pet by comparing the cost of pet daycare, pet insurance and living expenses for each city. Find out how your city rates before expanding your litter.

Designed to help you decide if getting a pet is a smart financial move for you, the study revealed several interesting insights you might not have considered on your own. 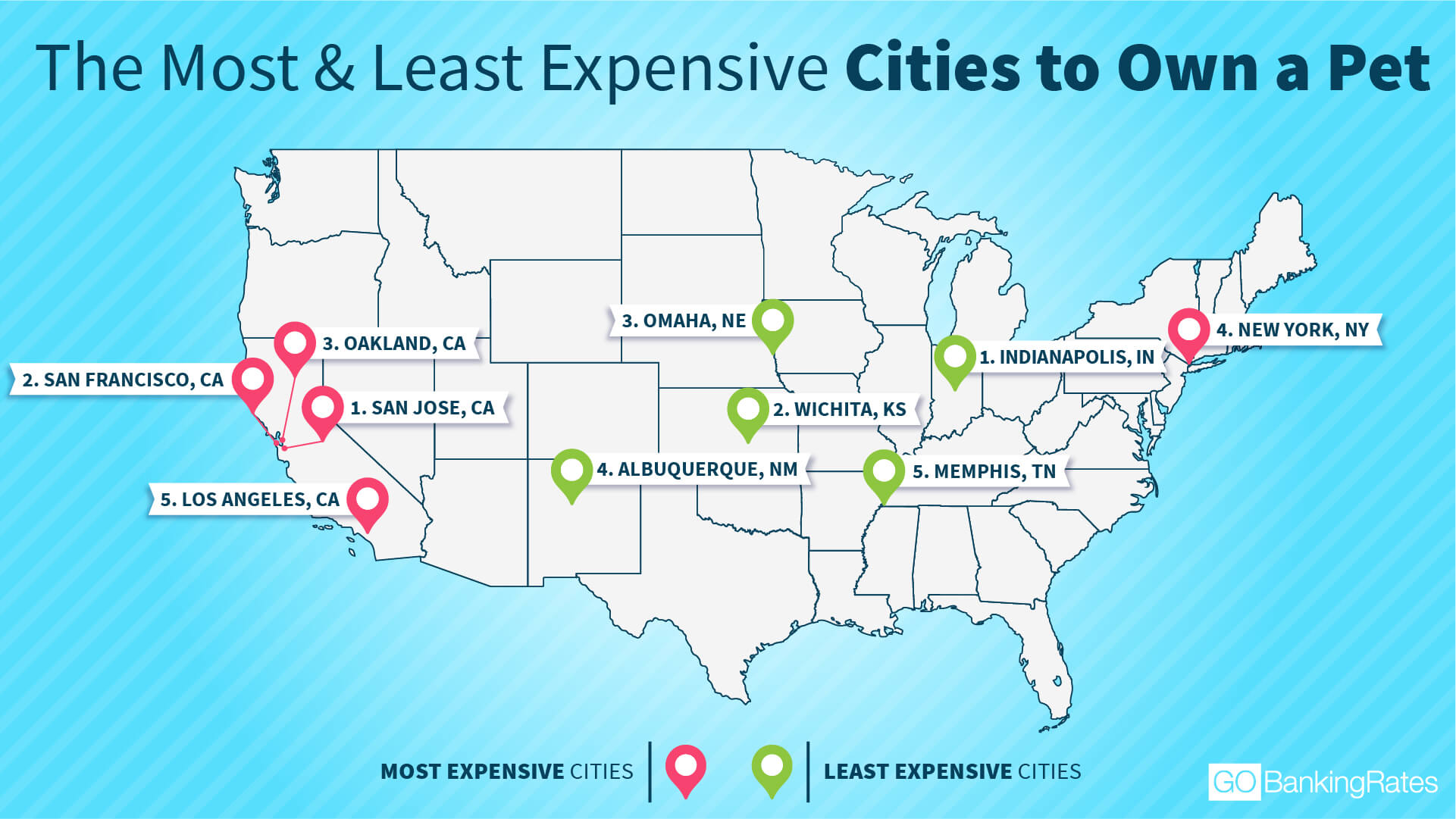 Doggie daycare can add up fast, so if you plan to have supervised care for your pooch, it’s important to know average rates for your city. The study revealed Indianapolis had the cheapest average daily rate at $19, while San Jose had the highest, averaging $40 per day.

New York City had the most expensive pet insurance rate, totaling an average of $43 per month. This included $48 per month for dogs and $38 per month for cats.

Find out how your city ranks for the cost of pet ownership. This can help you decide if you can afford to own a dog or cat, and the number of furry companions that fit into your budget.

Click through to learn why adopting a shelter pet is good for your wallet and your soul.

Methodology: GOBankingRates determined the most and least expensive cities to own a pet out of the 50 largest cities in the U.S. using the following factors: 1) average cost of pet daycare, sourced from Rover; 2) average monthly cost of pet insurance, based on state-level figures for dogs and cats, sourced from PetInsuranceQuotes.com; 3) overall cost of living in each city, sourced from Sperling’s Best Places. Each factor was given a score, with cost of living weighted half as much as the other factors.