20 Cities Where Your Paycheck Goes the Furthest 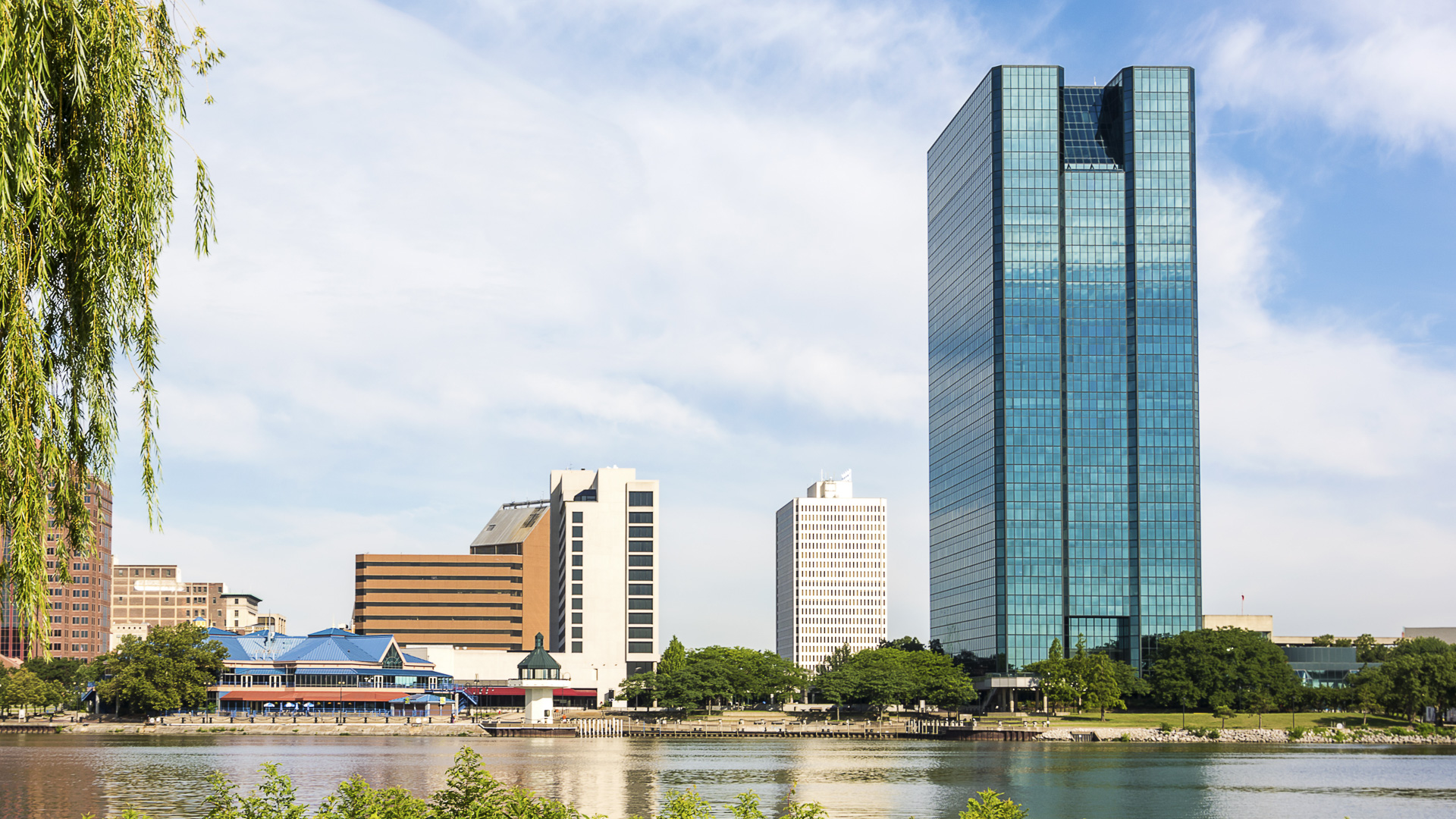 When you’re choosing where to take a job, it can help to look at a cost-of-living comparison by city. After all, there’s a big difference between living off of $50,000 in New York or San Francisco than in Toledo or Buffalo.

To help you do a cost-of-living comparison, GOBankingRates looked at the monthly cost of living — median rent, groceries, utilities and transportation costs — in the 75 most populous cities in the United States. Then, the cost of living was compared to the average paycheck, based on the Bureau of Labor Statistics’ Consumer Expenditure Survey.

Click through to learn about the cities where you can stretch your paycheck and enjoy a lower cost of living. 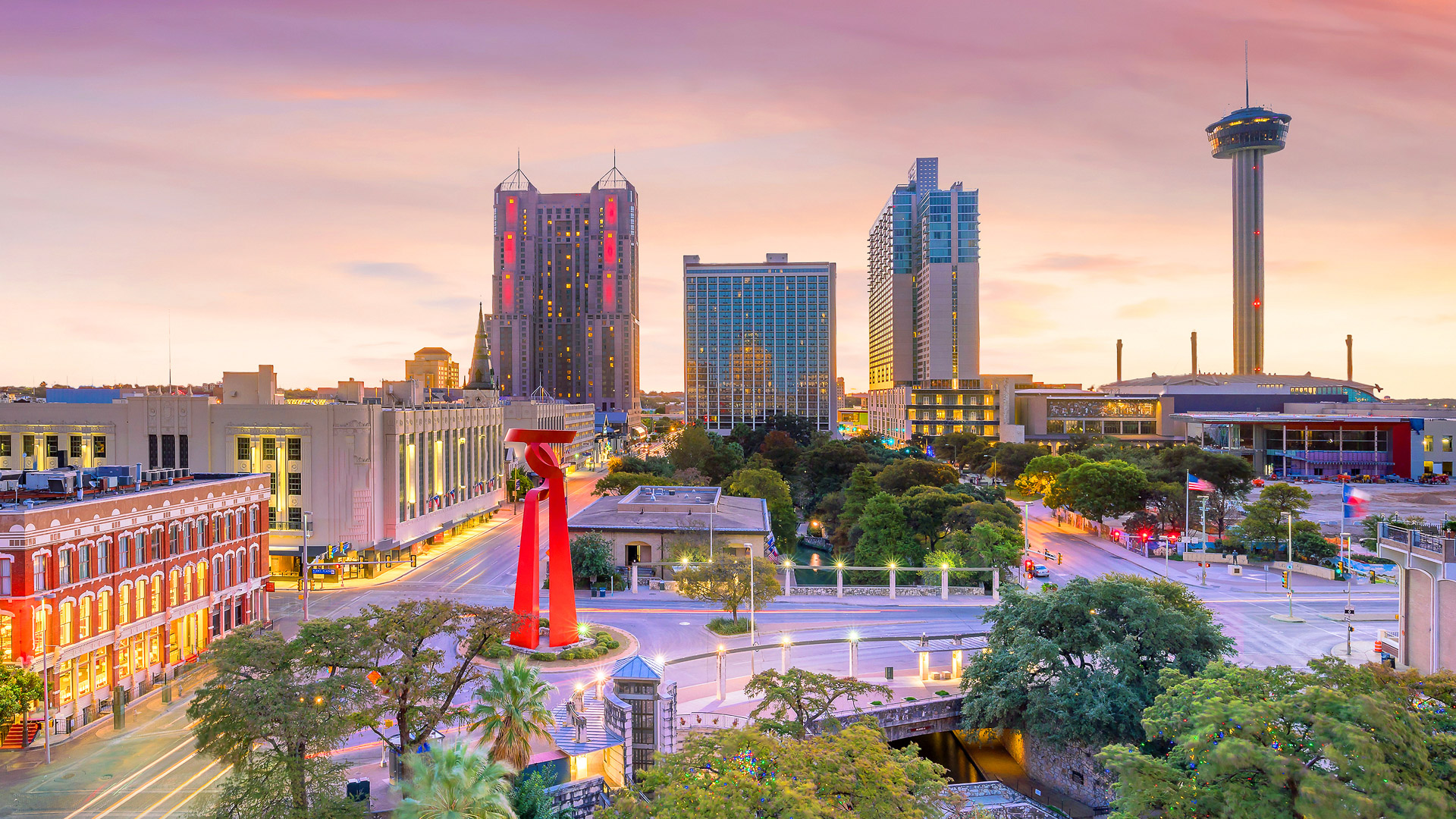 San Antonio starts off the top 20 most affordable places to live thanks to its low monthly grocery cost — only Toledo has a lower cost. However, it’s only 25th for lowest utility costs and it has the most expensive housing of any city on this list. Fortunately, its $37 monthly transportation pass is cheap, just $7 more than the lowest-cost cities for transportation. 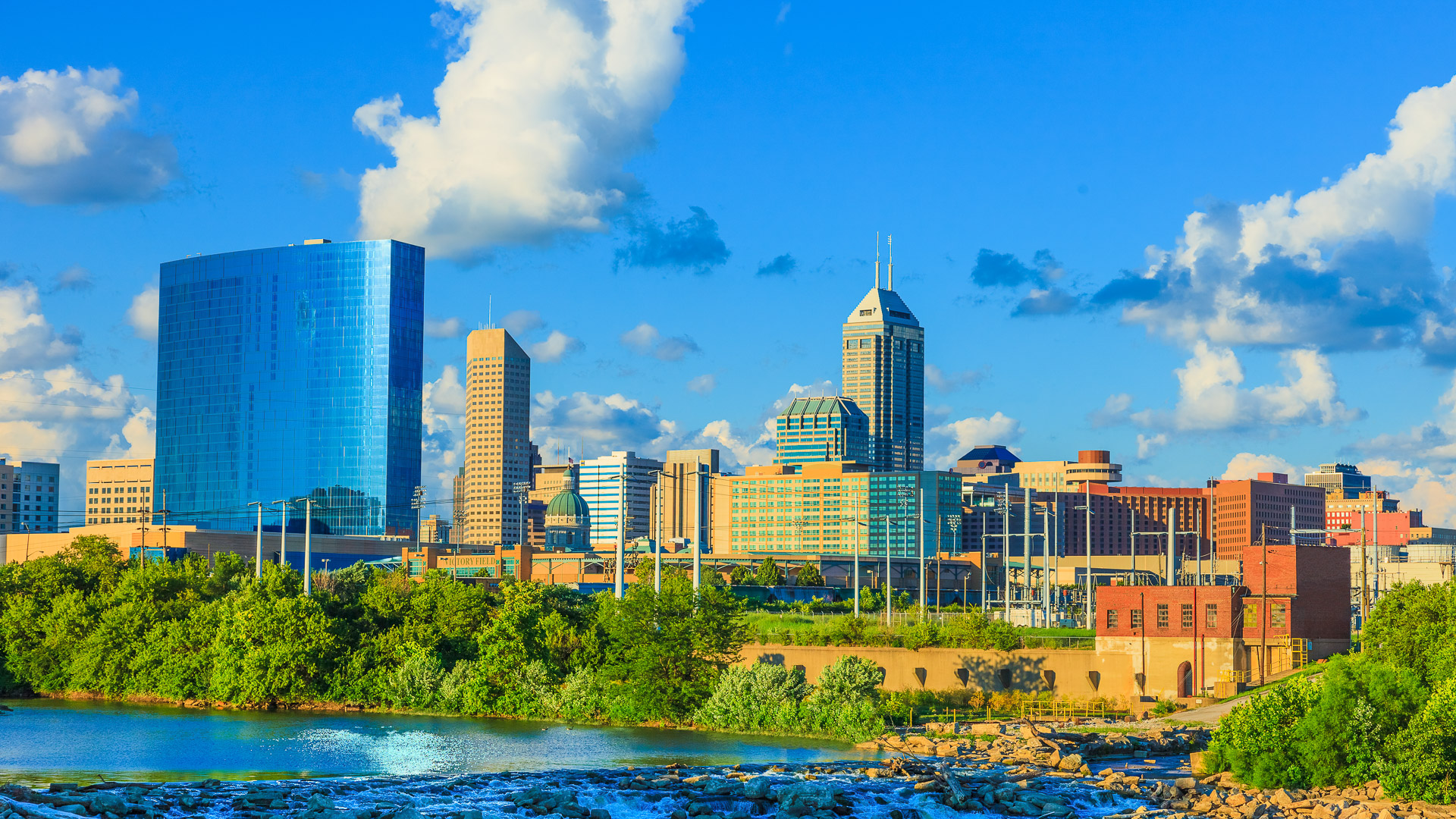 If it weren’t for Indianapolis’ 17th-lowest housing costs, it wouldn’t make the top 20 for overall cost of living by city. At over $330 per month, the average Indianapolis grocery bill doesn’t even crack the top 40 for lowest costs, and its utility bill barely makes the top 60 for lowest costs.

But enjoy the low cost of living while you can — Indianapolis is one of the 10 cities where the cost of living is rising quickly, found a separate GOBankingRates study. 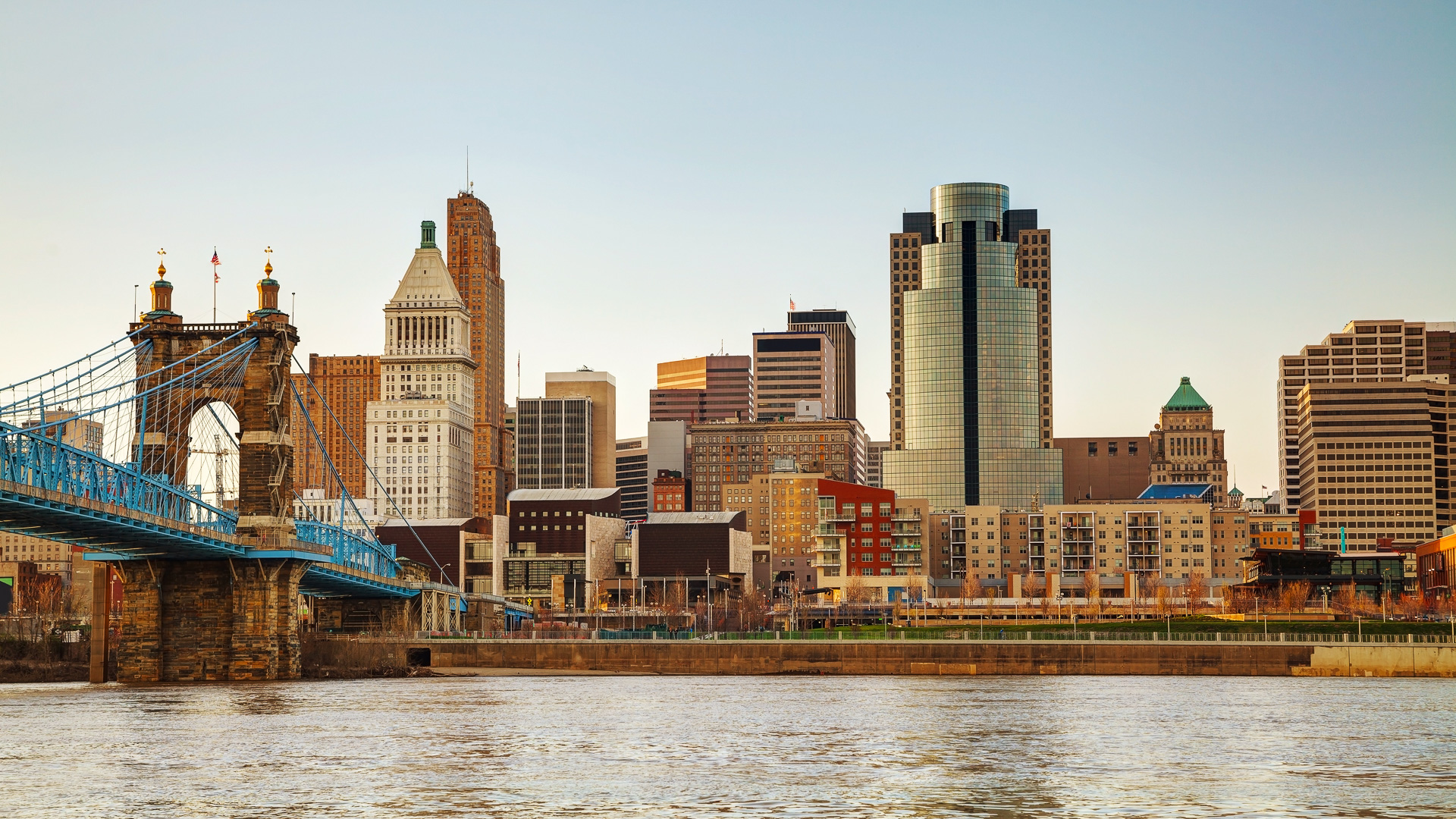 Cincinnati owes its 18th-place ranking for most affordable cities to its top 20 placement for lowest median rent. The city’s ranking is bolstered by having the eighth-lowest grocery costs, but is hampered by coming in at No. 37 for lowest utilities. At $120 per month, Cincinnati’s monthly transportation pass is more expensive than every other city surveyed except New York, Arlington, Va., and Washington, D.C. 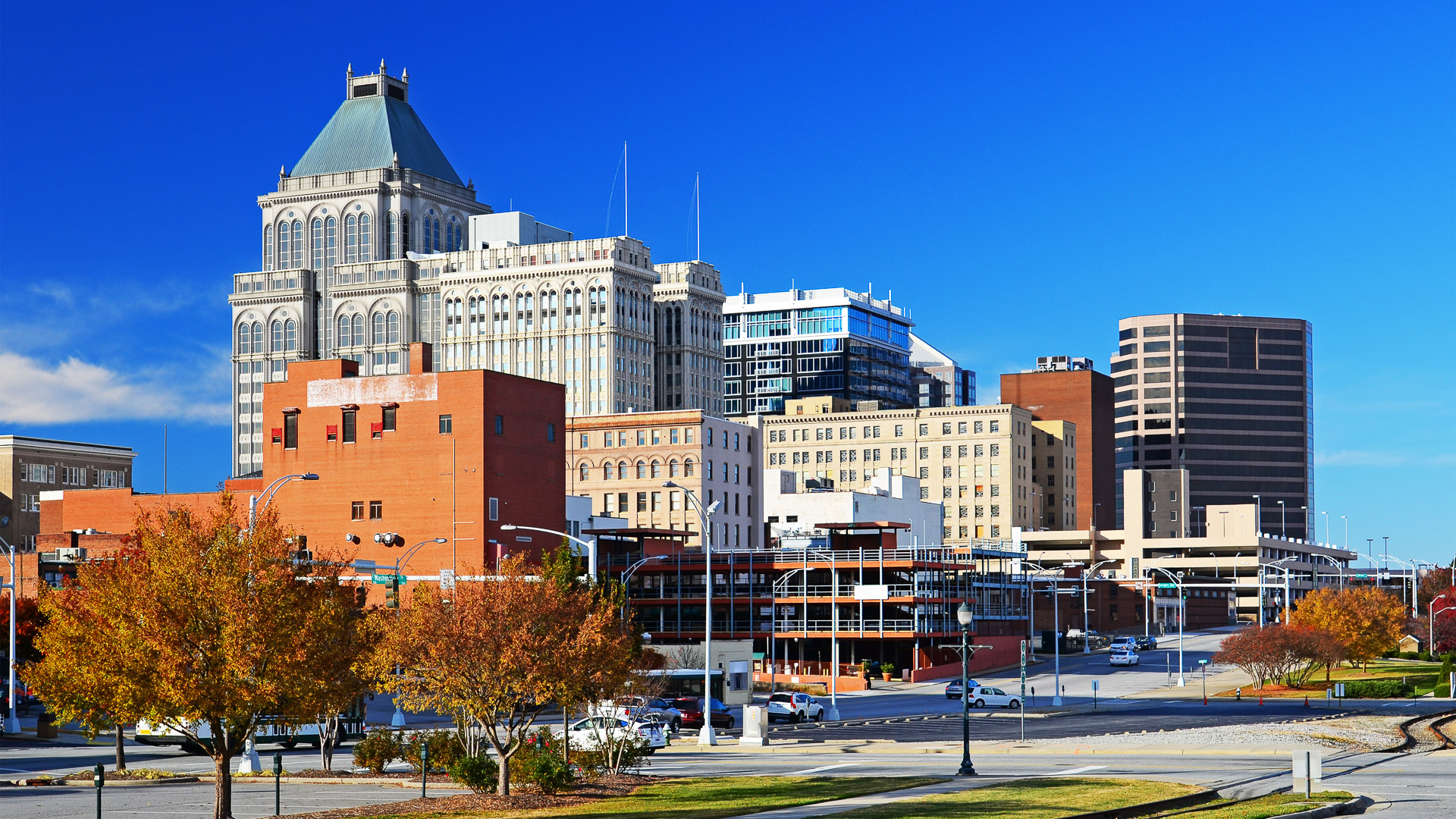 Greensboro’s low housing costs help make it an affordable city. Its median rent is 13th cheapest in the survey. However, utility and grocery costs aren’t nearly as competitive as other cities, as Greensboro came in 62nd in both categories.

From California to New York: The Cost of Living Across America 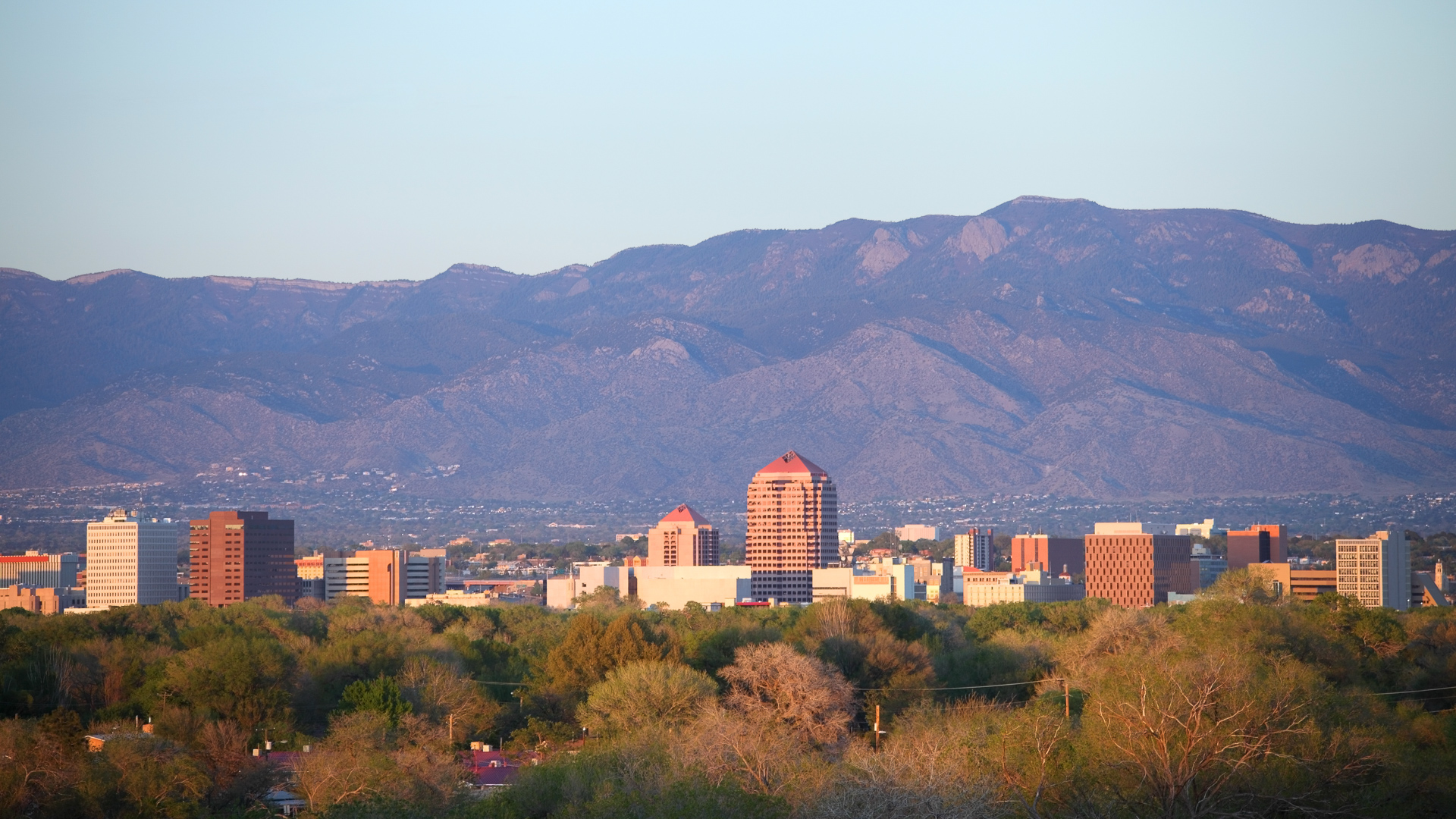 Even though it makes the top 20, Albuquerque isn’t quite as cheap as most of the other cities on this list for housing. However, it’s the least expensive for utilities among the top 20 most affordable places. Better yet, you can get a monthly transportation pass for just $30 — tied for the lowest cost in the survey.

Find Out: What You Need to Know About Your Paycheck 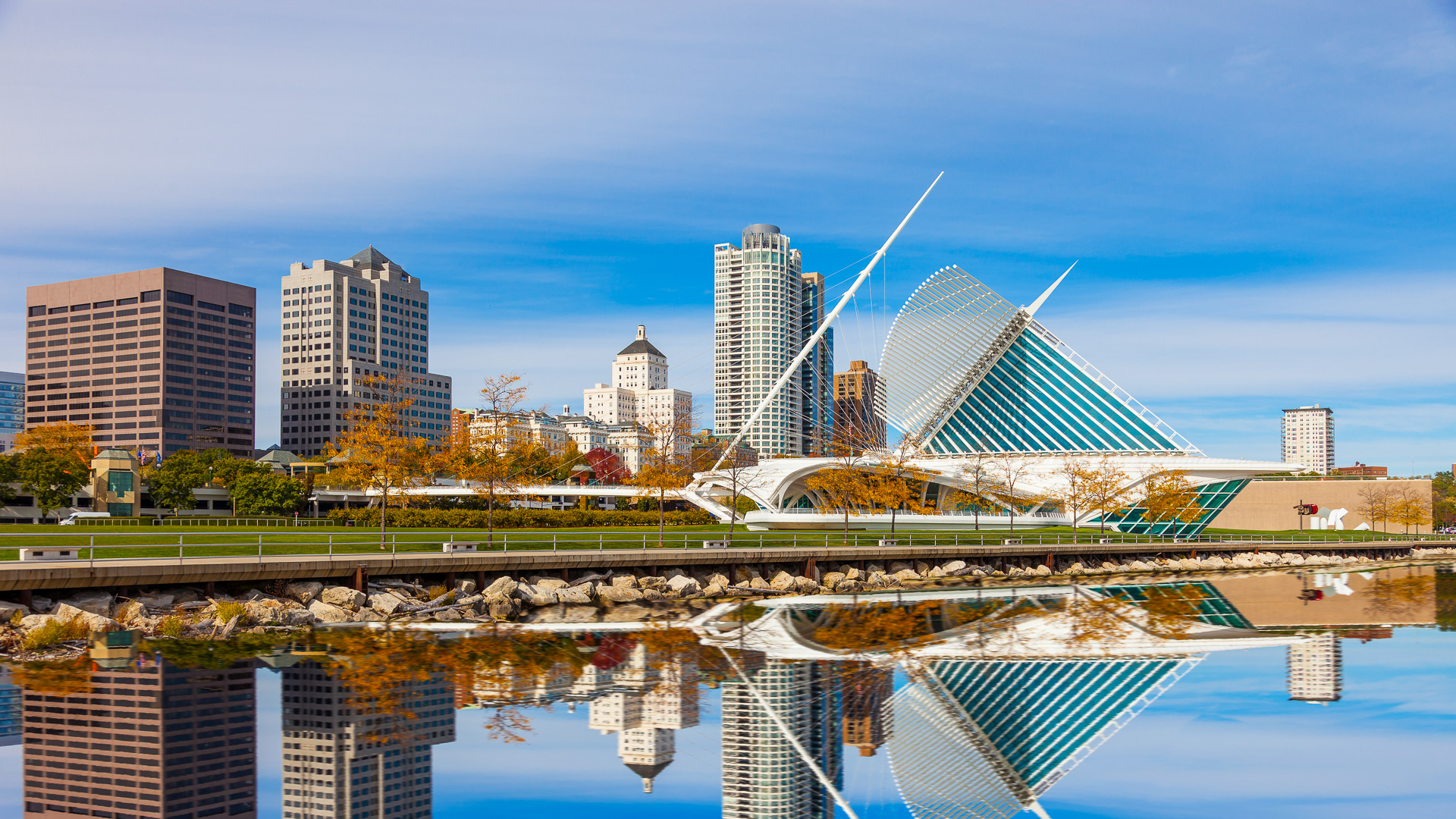 Milwaukee comes in 15th both overall and for having the lowest median rent. It’s somewhat inexpensive for groceries and utilities, finishing 33rd and 28th, respectively. It also ranks at No. 41 for monthly transportation costs. 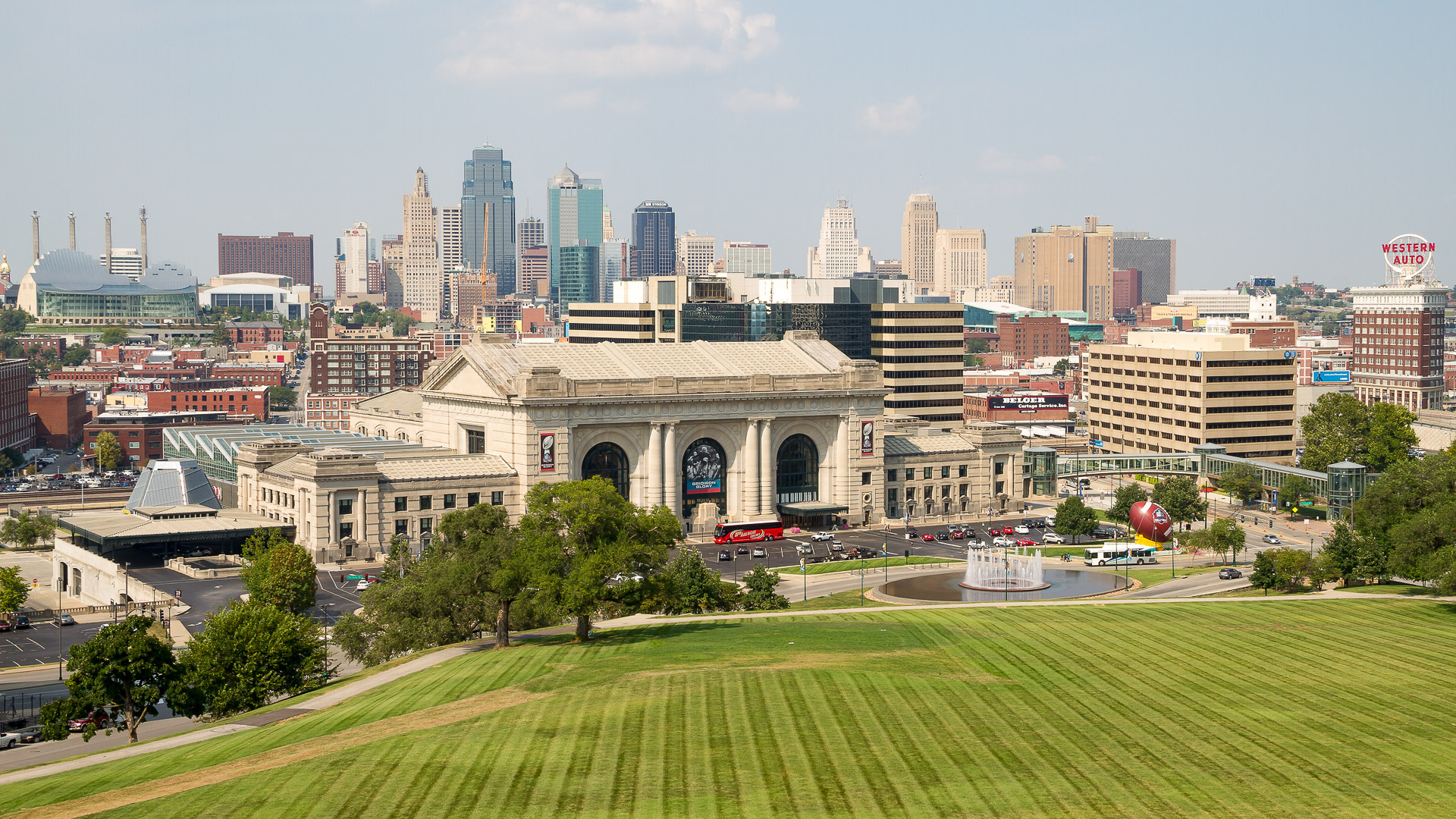 Having the 12th lowest median rent among the cities surveyed pushed Kansas City inside the top 15 cities where your paycheck goes the furthest. It also helps that it falls in the top 20 for lowest grocery costs. But, a low 65th place for utility costs prevents it from ranking any higher overall. 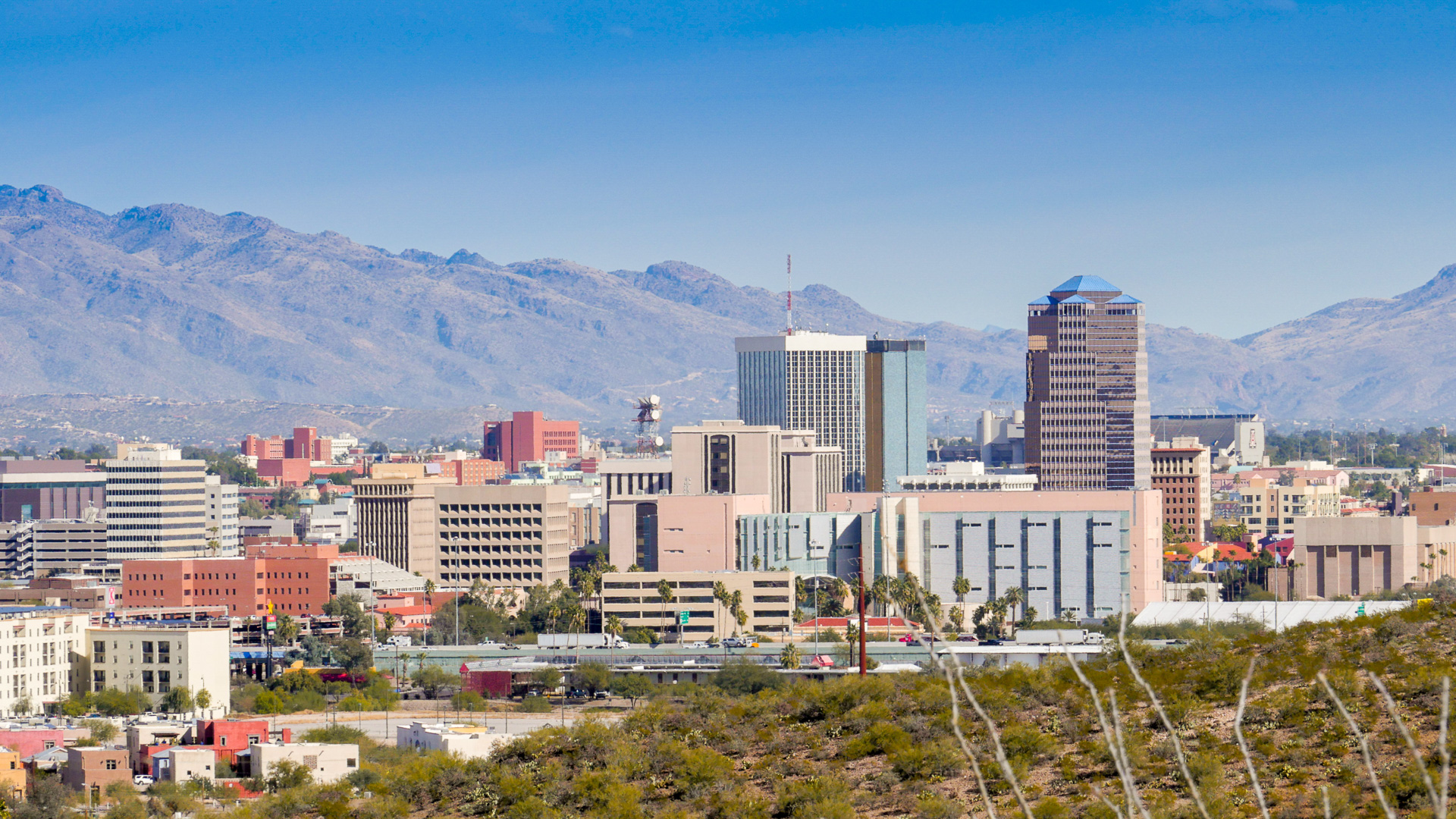 Tucson offers a low cost of living, thanks to several factors. It offers the fourth-lowest average monthly grocery bill, and its median rent cracks the top 20 among cities surveyed. Utilities will set you back a bit more, as it ranks No. 36 for those costs. 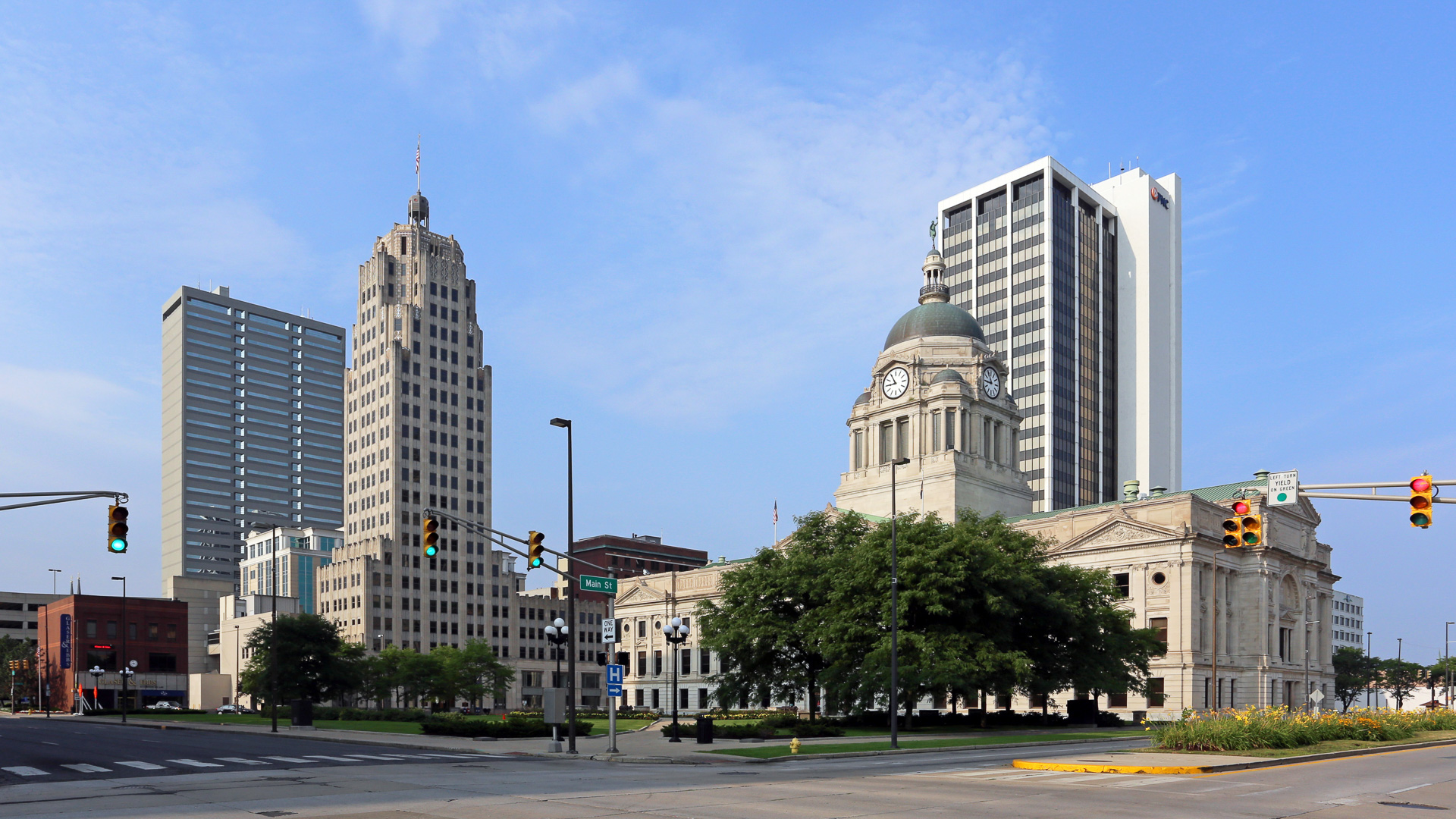 Fort Wayne’s 12th-place ranking on this survey is due largely to its low median rent, coming in at No. 11. And Fort Wayne’s monthly transportation pass is just $5 higher than the lowest monthly pass in the survey. However, the city barely cracked the top 50 for grocery costs and fell outside the top 60 for utility costs. Indiana is also one of the states where you’re least likely to live paycheck to paycheck. 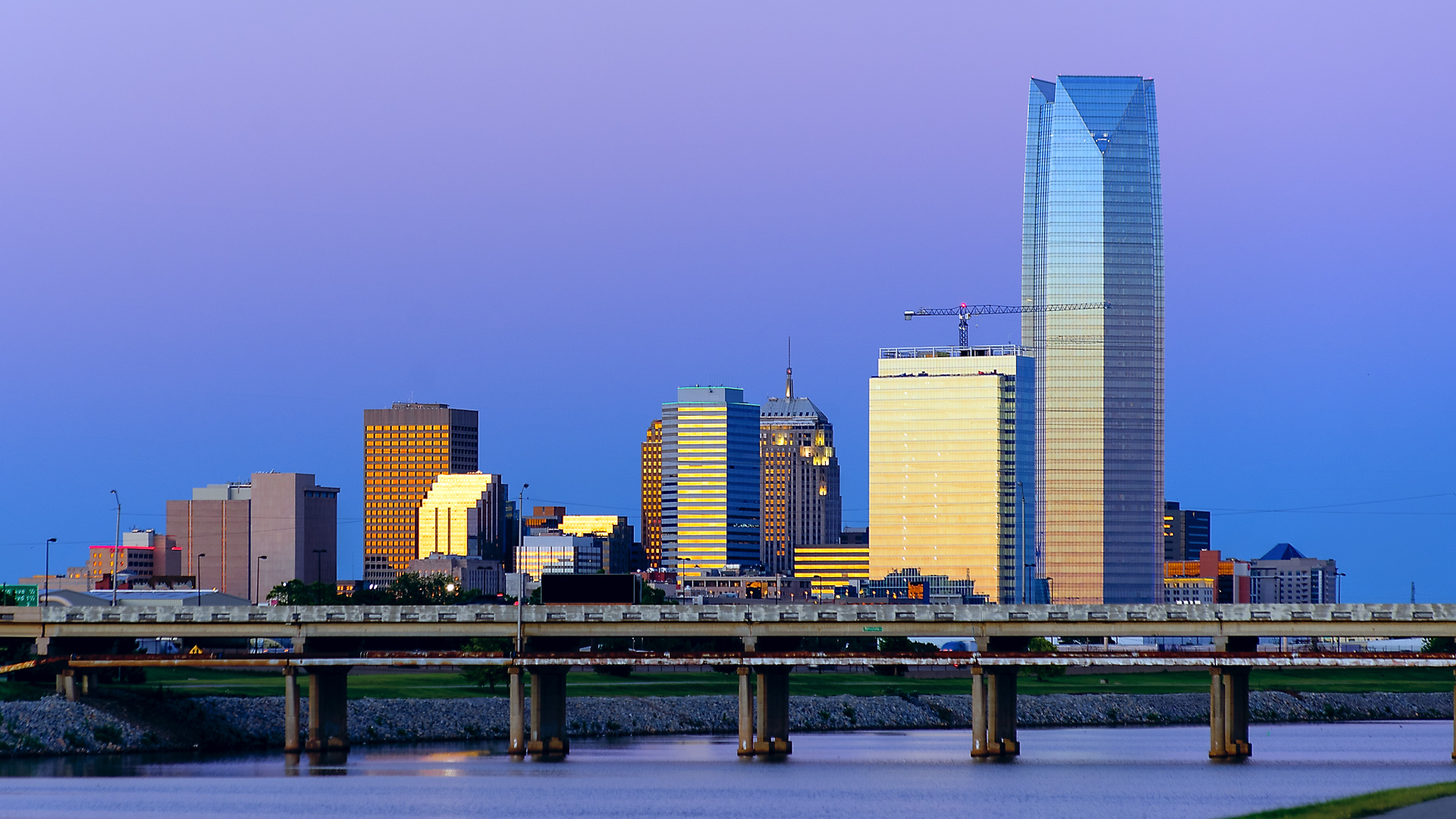 Oklahoma City just barely misses placing in the top 10 most affordable cities, but your paycheck still goes far here. It’s the 14th least expensive for median rent, 18th for least expensive groceries and it has the lowest price for a monthly transportation pass at $30. However, it’s No. 48 for utilities. 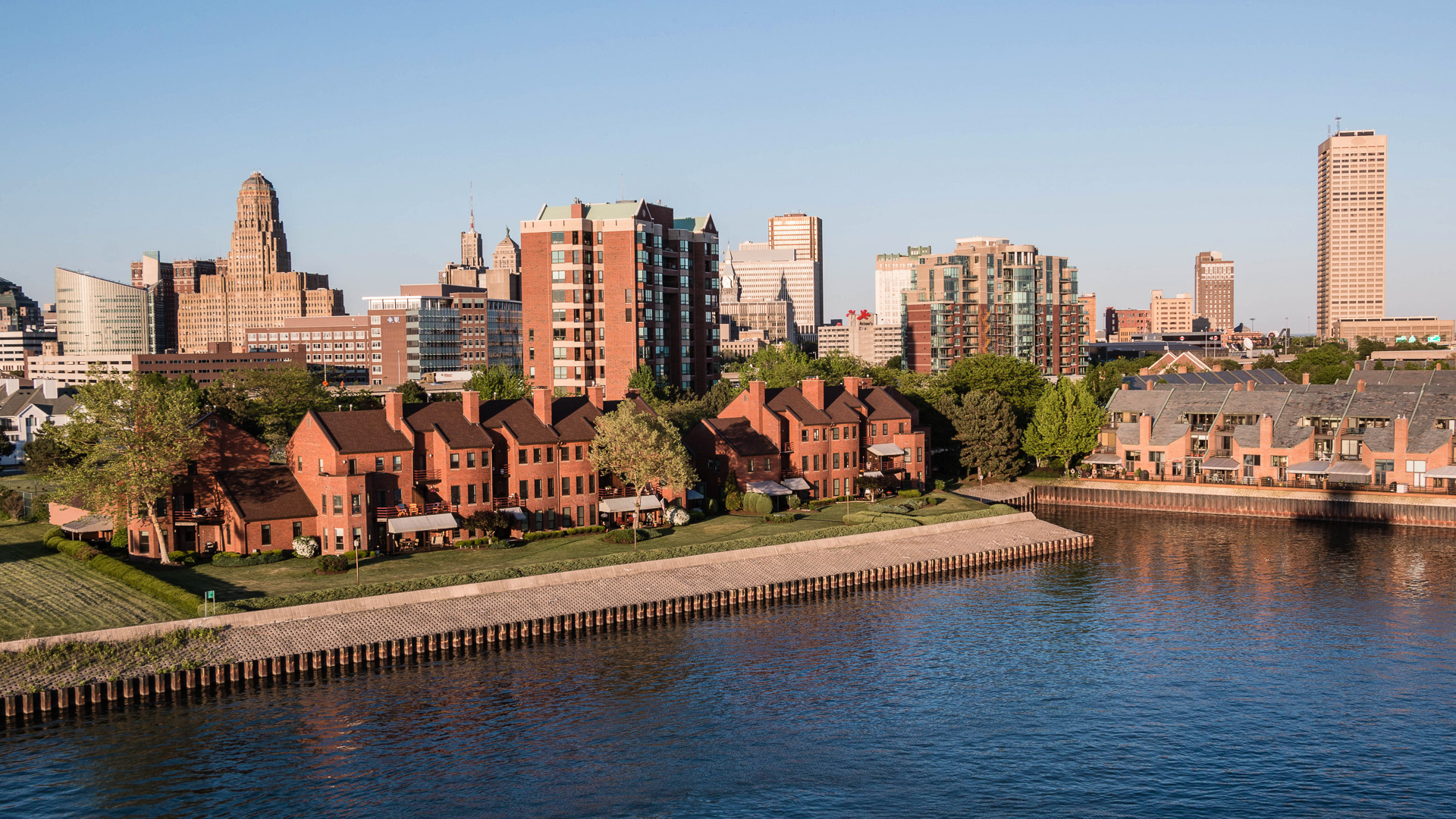 Buffalo gets a big cost of living break thanks to its inexpensive rent — it’s the seventh lowest. And, it’s one of the cities where rent prices have increased the least, found a separate study.

However, its utilities can bust your budget if you’re not prepared, with the average person paying over $200 per month. 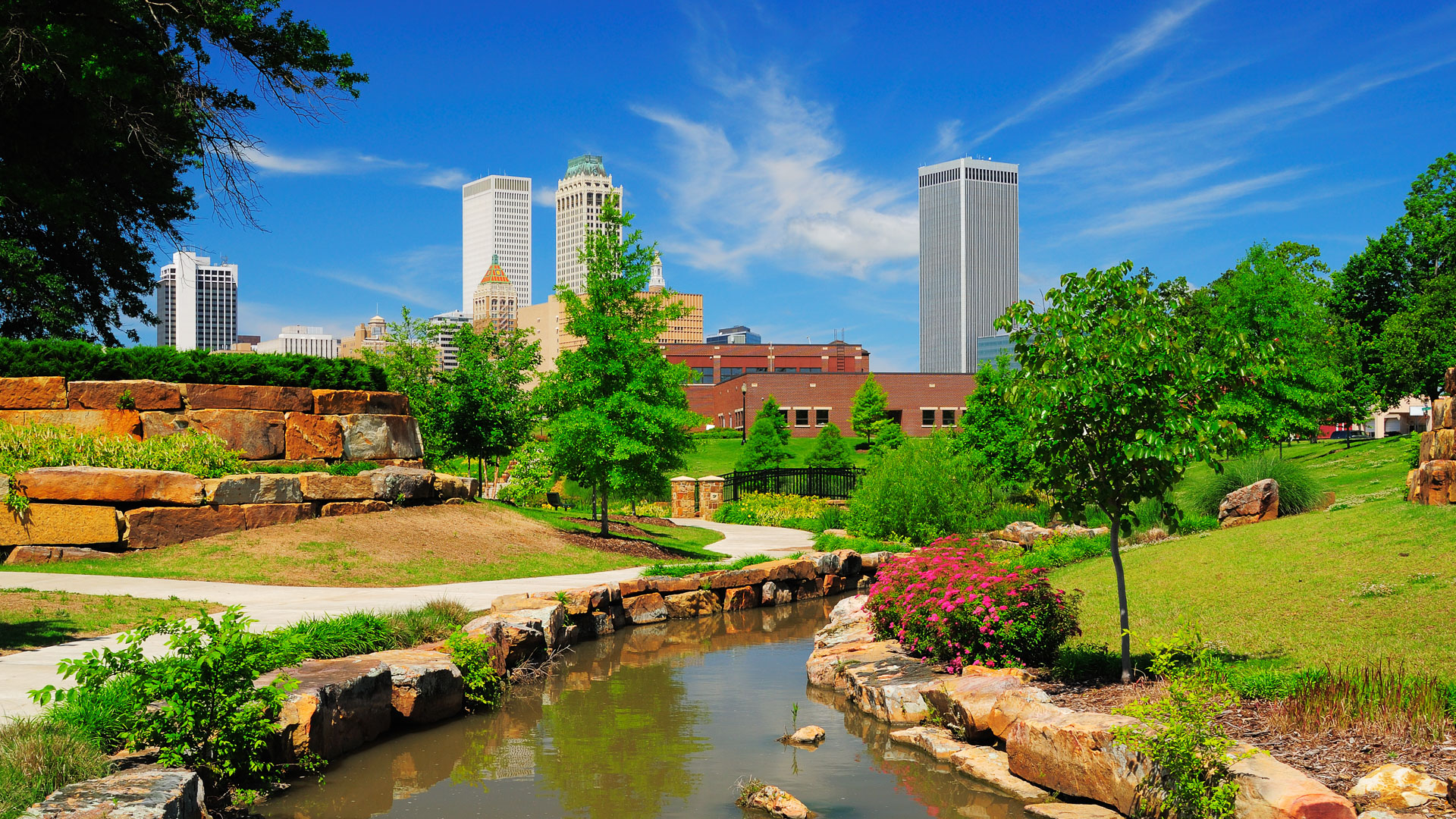 If you’re looking for cheap housing, Tulsa should make your list of cities because it has the eighth-lowest median rent. Although the monthly utilities aren’t as high as Buffalo, at almost $200 per month, they aren’t cheap. You’ll get a break on transportation costs, paying just $42.50 for a monthly pass, and on groceries, spending less than $300 per month. 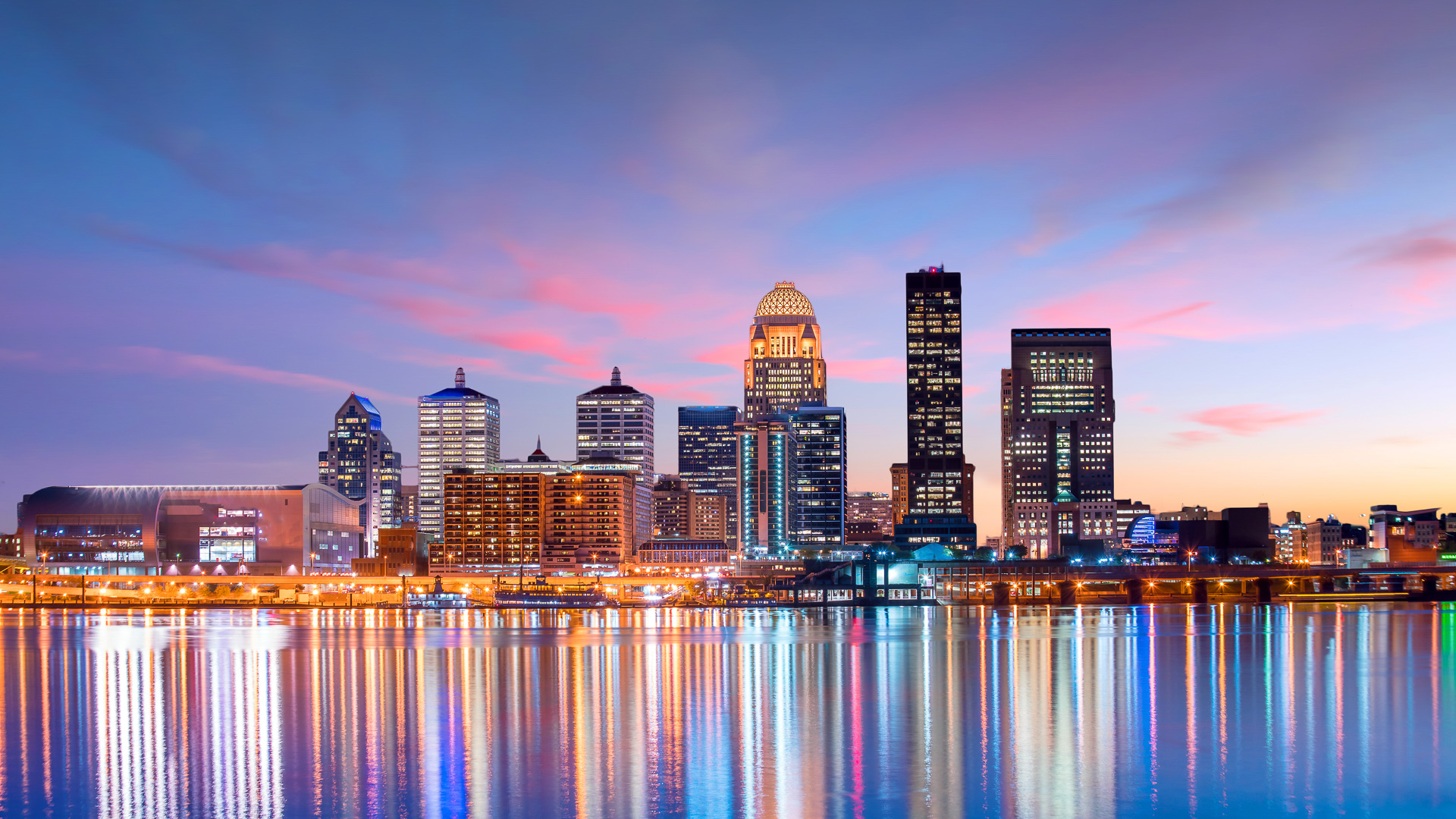 Louisville ranks the eighth best place for low cost of living, led by its low housing and food costs. The city comes in 10th for lowest median rent and 14th for low grocery costs. Plus, you can get a monthly transportation pass for a relatively low $50.

On the flip side, however — this is one city where the cost of living is rising the fastest, according to a separate GOBankingRates study. 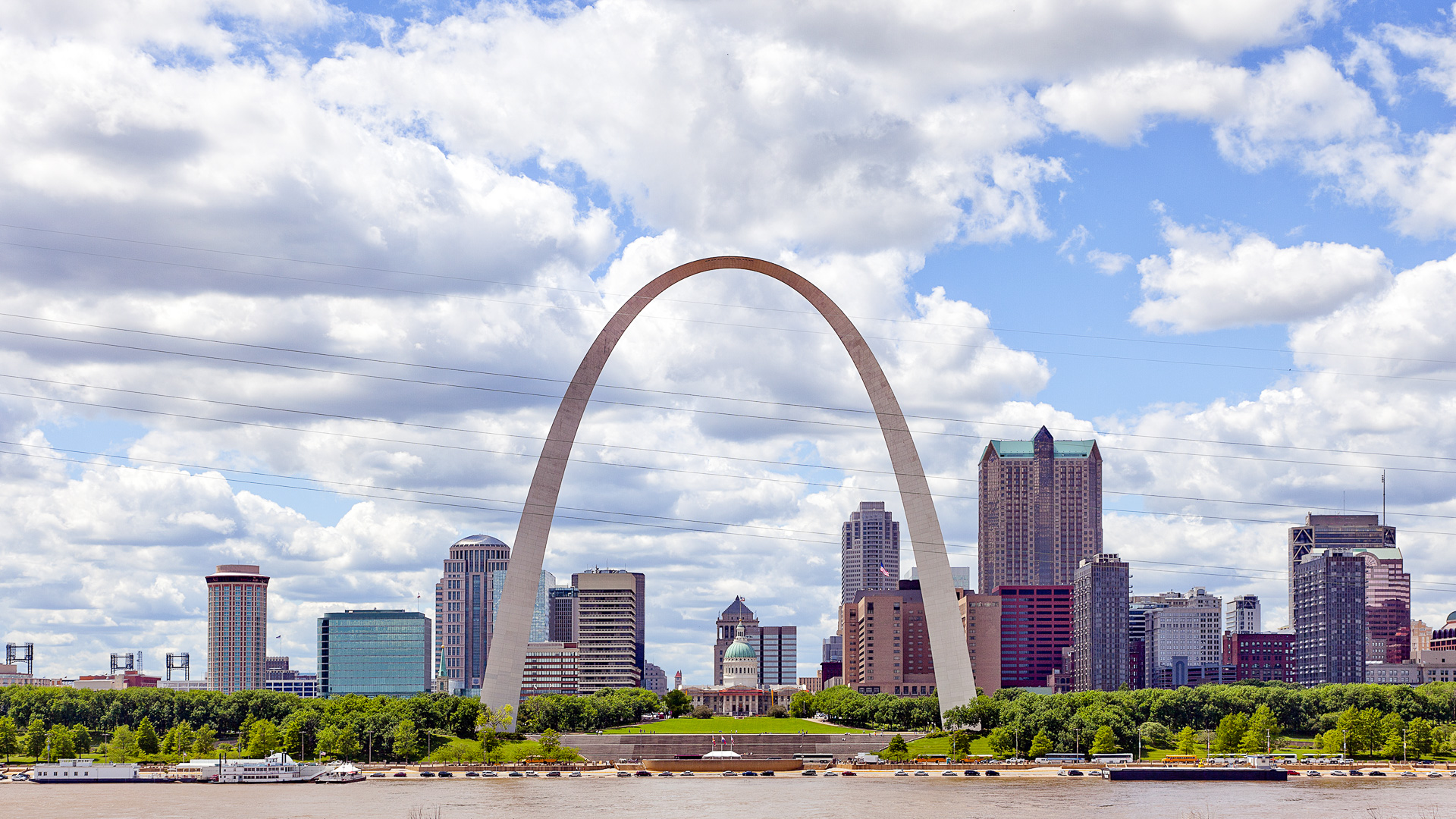 This city’s low median rent ranks No. 5 of the cities surveyed, making it the seventh cheapest for cost of living. Groceries are a little more expensive at just over $300 per month, coming in at No. 30. 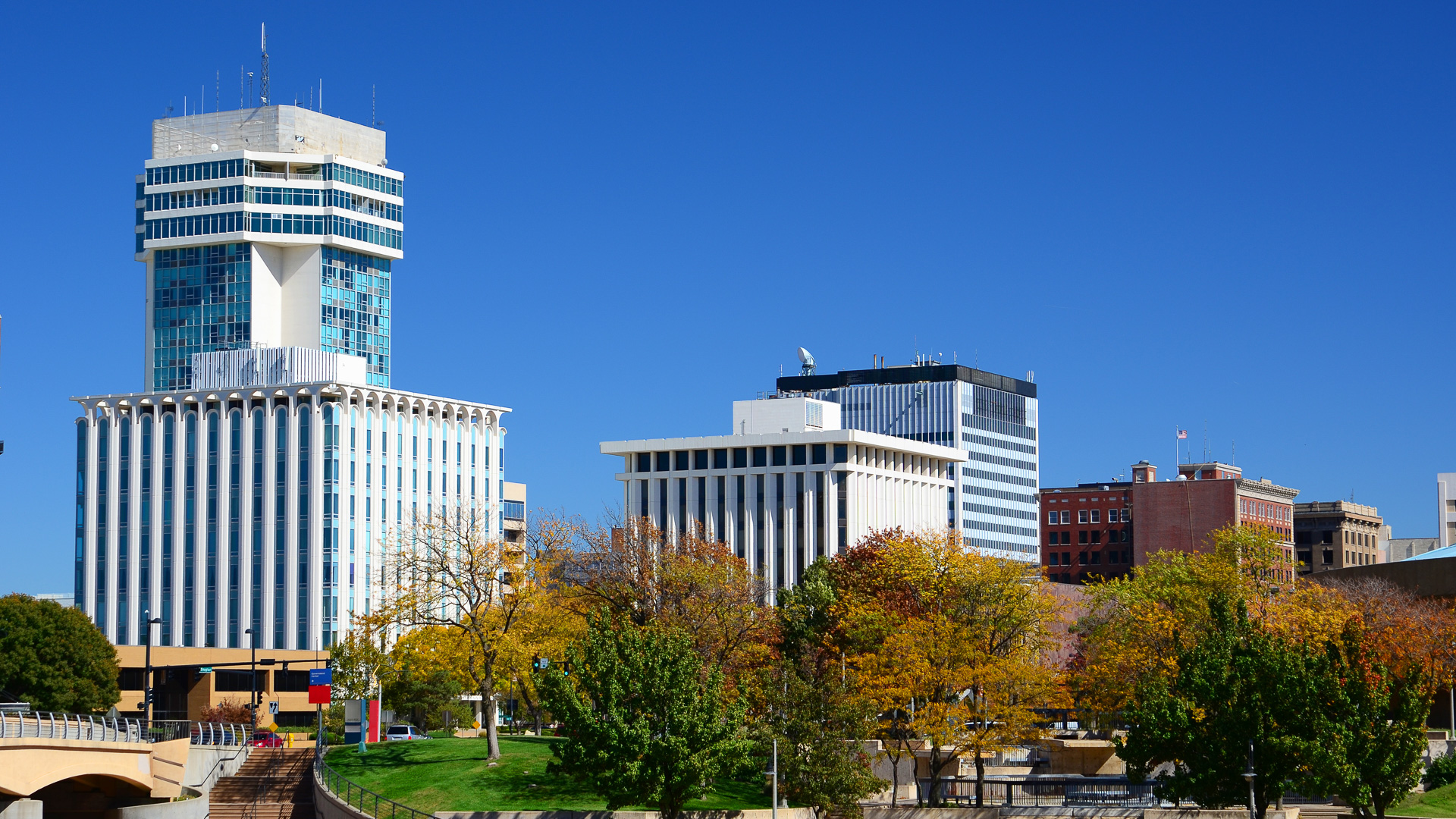 Wichita is the sixth-cheapest city overall for cost of living and median housing costs. You can save money on groceries here, with the costs ranking in the top 20. It’s less cost-effective when it comes to utilities, finishing just outside the top 30. 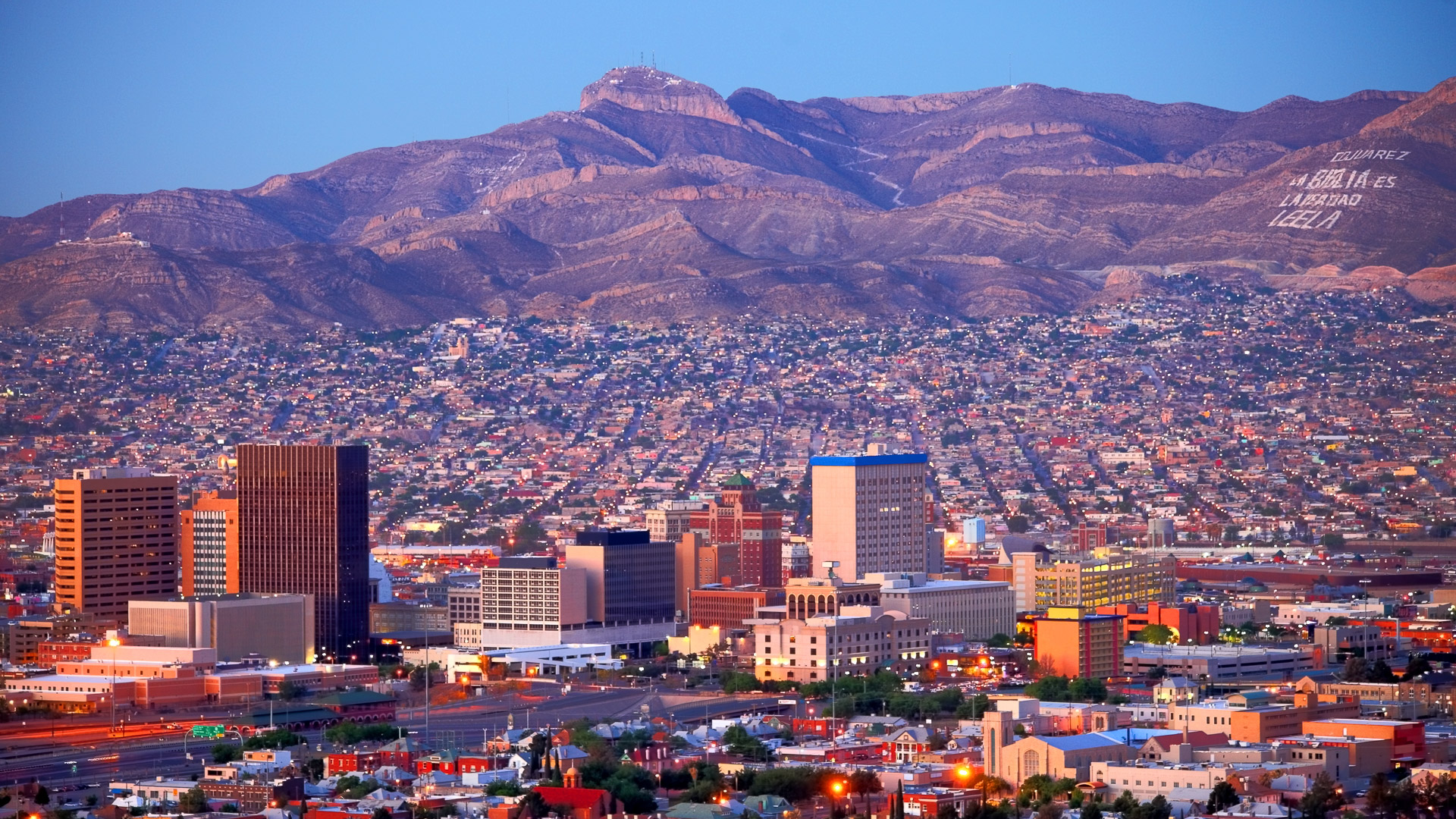 El Paso is one of the top five most affordable cities on this list thanks to its low costs across the board. Its monthly grocery and utility costs are in the top five and top 15, respectively. And it ranks in the top 10 median rent, at just over $1,000 per month.

Places for Retirees: Great Places to Retire Where Rent Is Under $1,000 a Month 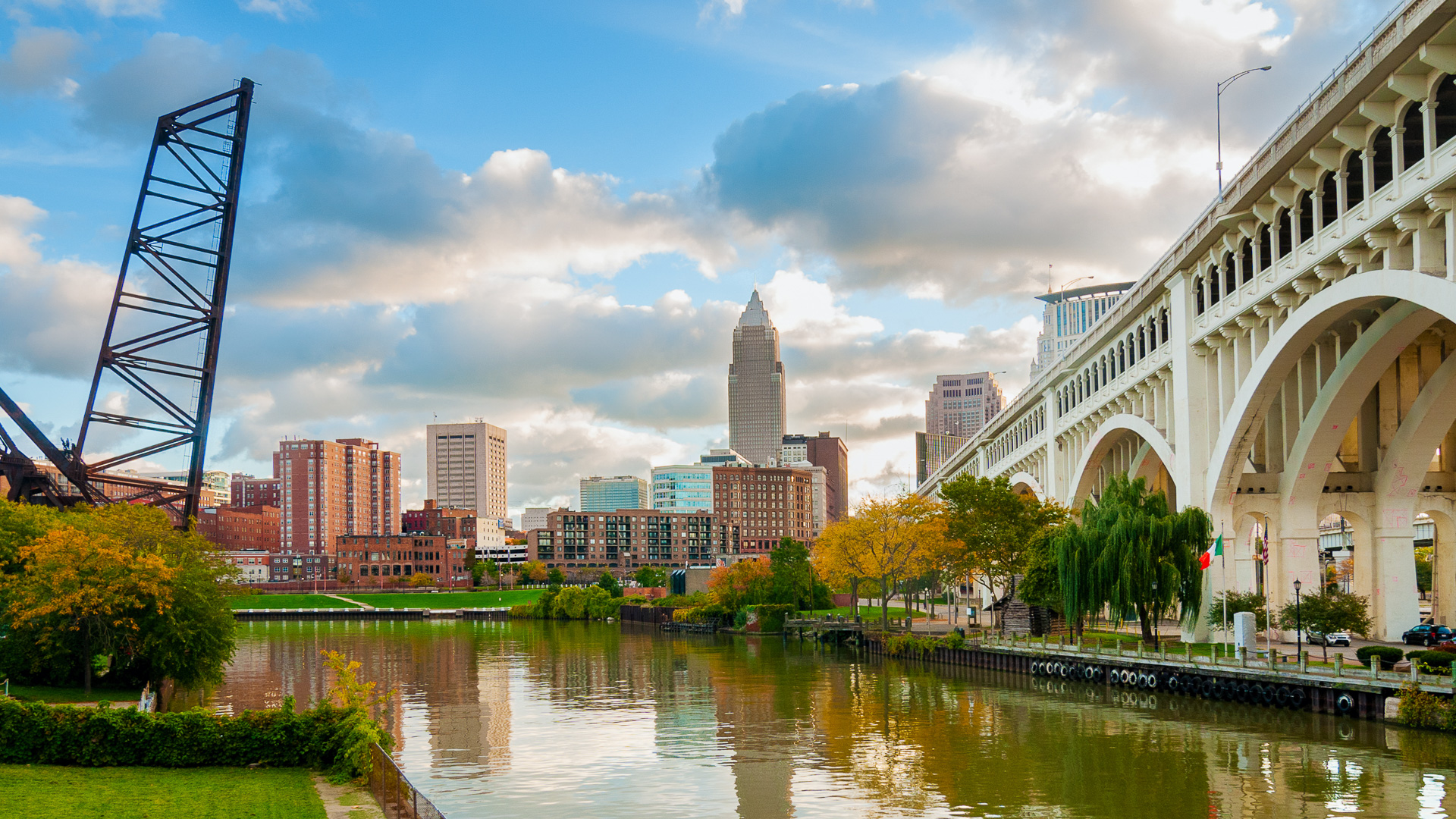 Cleveland’s low cost of living is driven by having the fourth-lowest median rent. However, the city comes in just outside the top 20 for cheapest grocery costs and utility bills. It also has an expensive monthly transportation pass at $85 per year. 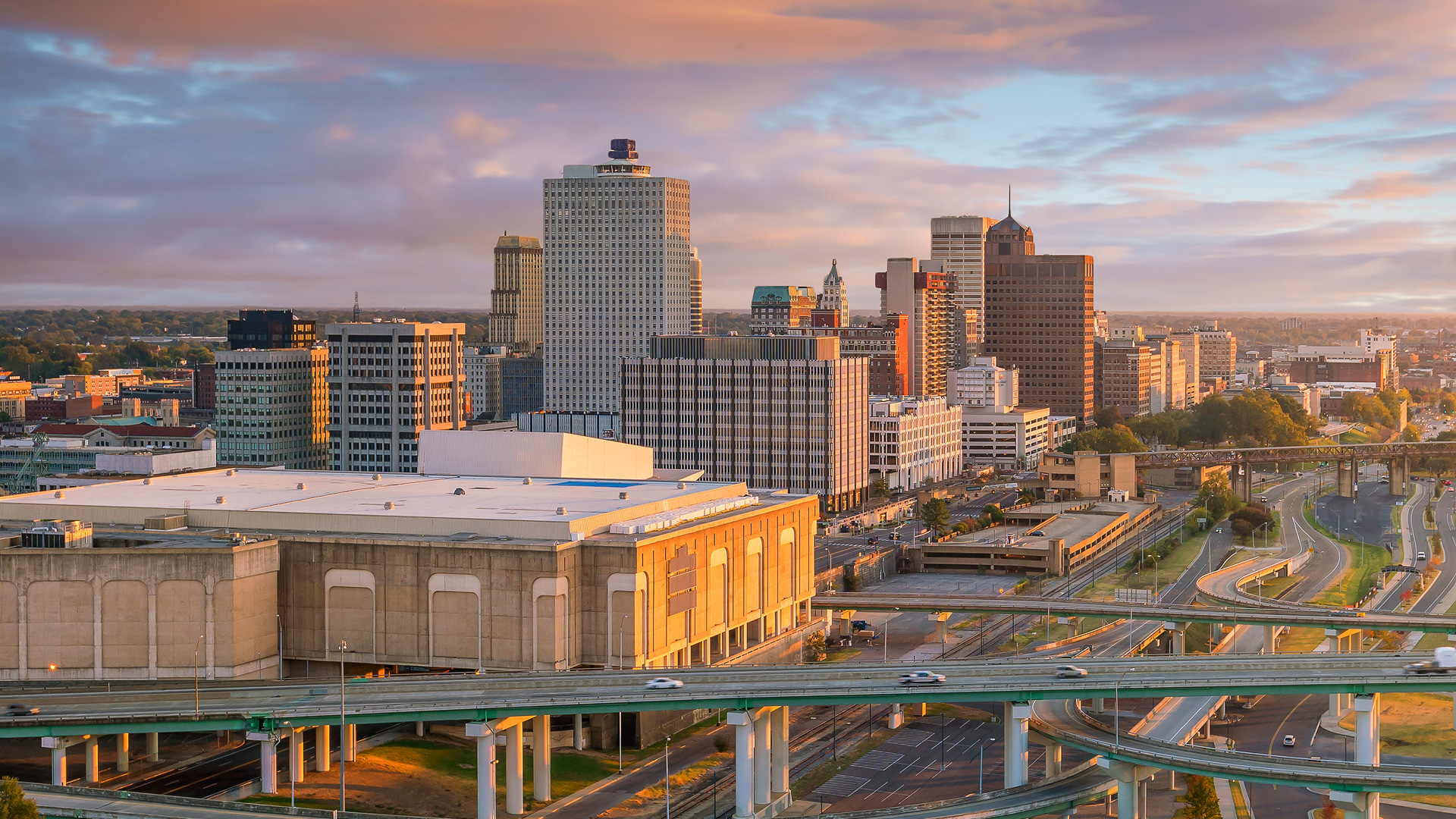 Memphis takes the No. 3 spot in this survey for its low median rent, which is the third lowest among cities surveyed. Though Memphis falls just outside the top 40 for low grocery costs, it’s in the top 25 for utility costs. 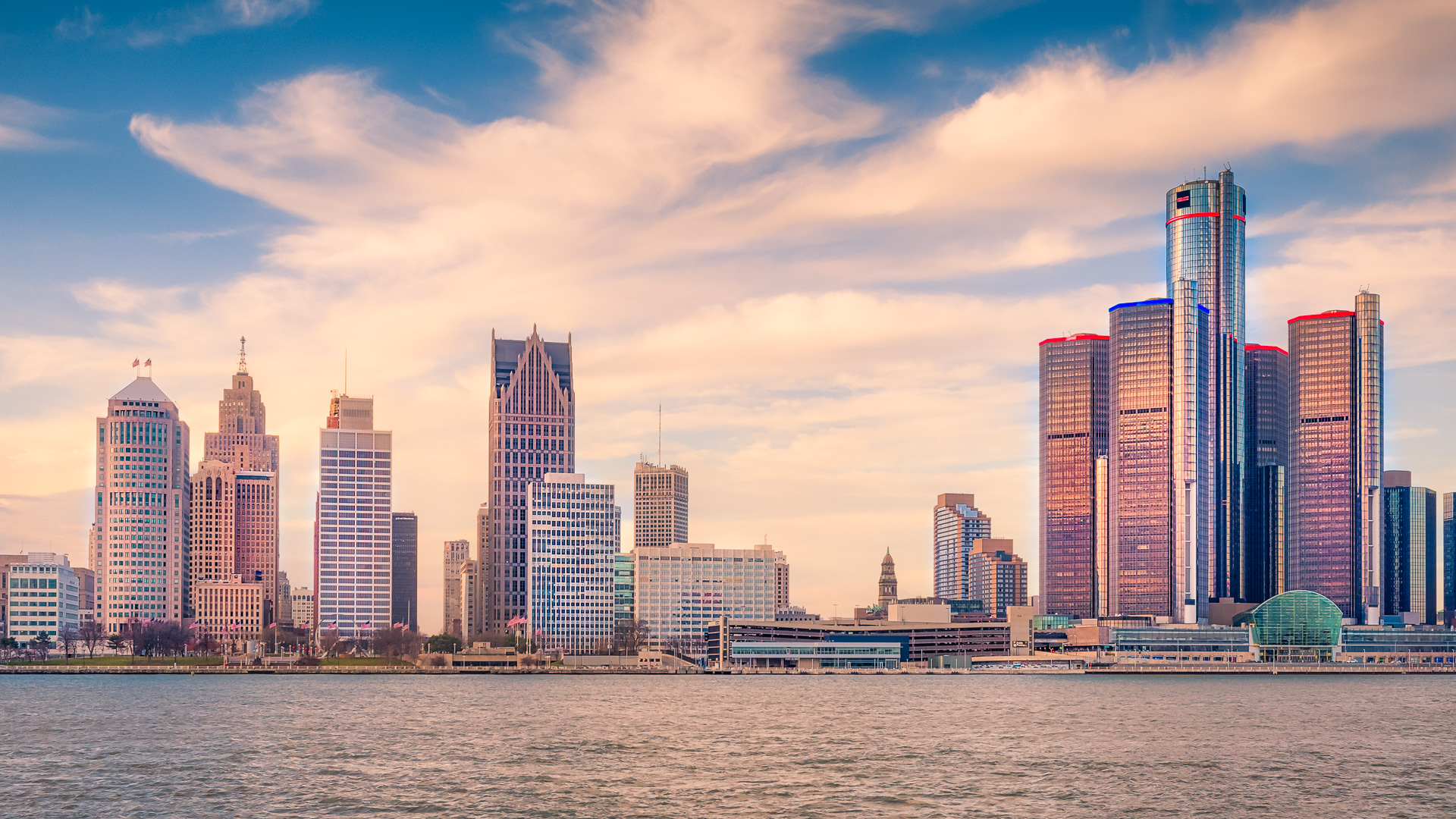 Detroit is one of the cheapest cities to live in, and it has the cheapest rent of all the cities surveyed, at just $747. However, the city’s utility bills are costly and don’t even crack the top 50 of the 75 cities surveyed. It also squeezes into the top 30 for least expensive groceries. 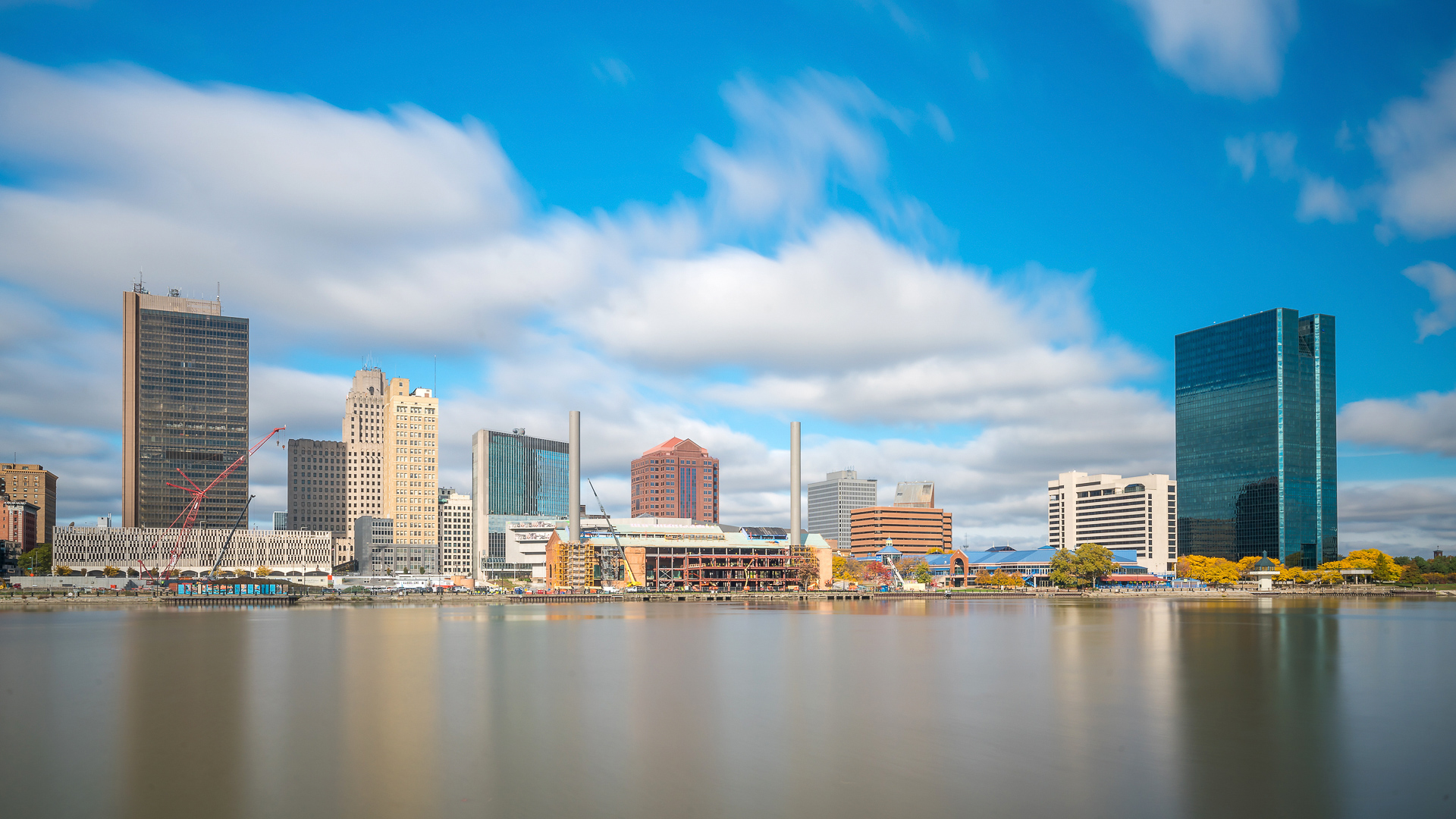 You likely won’t be living paycheck to paycheck in Toledo. The city tops the list of most affordable places to live not only for stretching your overall budget, but also for having the lowest grocery costs each month. Just expect to pay more for utilities, since Toledo doesn’t even rank in the top 50 for that expense.

Up Next: You’ll Need This Much Money to Live Comfortably in the 50 Biggest US Cities

Methodology: GOBankingRates surveyed monthly living expenses in the 75 most populous U.S. cities, according to U.S. Census Bureau estimates. This cost-of-living comparison included the following factors for a single person: (1) housing, using the median rent for a single-family residence in each city, sourced from Zillow’s September 2017 rental index; (2) groceries, using the recommended amount reported by cost-of-living database Numbeo.com for each city, sourced Nov. 10, 2017; (3) utilities, according to cost estimates from Numbeo.com, sourced Nov. 10, 2017; (4) transportation costs, using monthly transportation pass for the city, according to cost estimates from Numbeo.com for each city, sourced Nov. 10, 2017. Paycheck amounts were based on the latest data from Bureau of Labor Statistics’ Consumer Expenditure Survey. To determine income per paycheck, the mean income after taxes ($64,175) was divided by 24 in order to approximate two paychecks per month. Expenses were then deducted from each paycheck to come up with the amount left over.