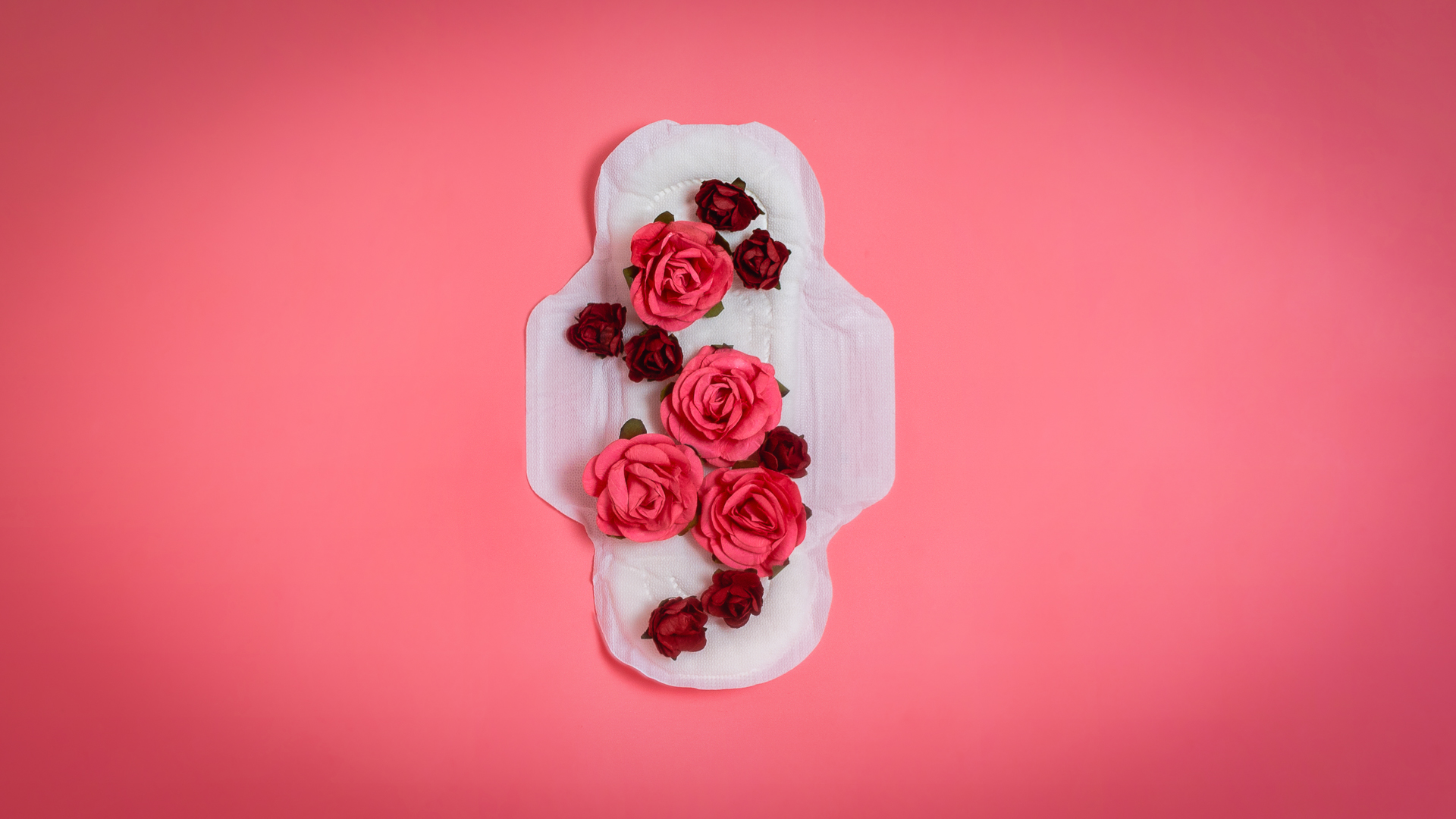 You might associate military inventions with the advancement of weapons, and while this is certainly a part of the military’s work, some of its research has led to products and technologies that have civilian applications. From trendy sunglasses to popular snacks, many of the items you use every day were invented by or for the military — and sometimes by accident. 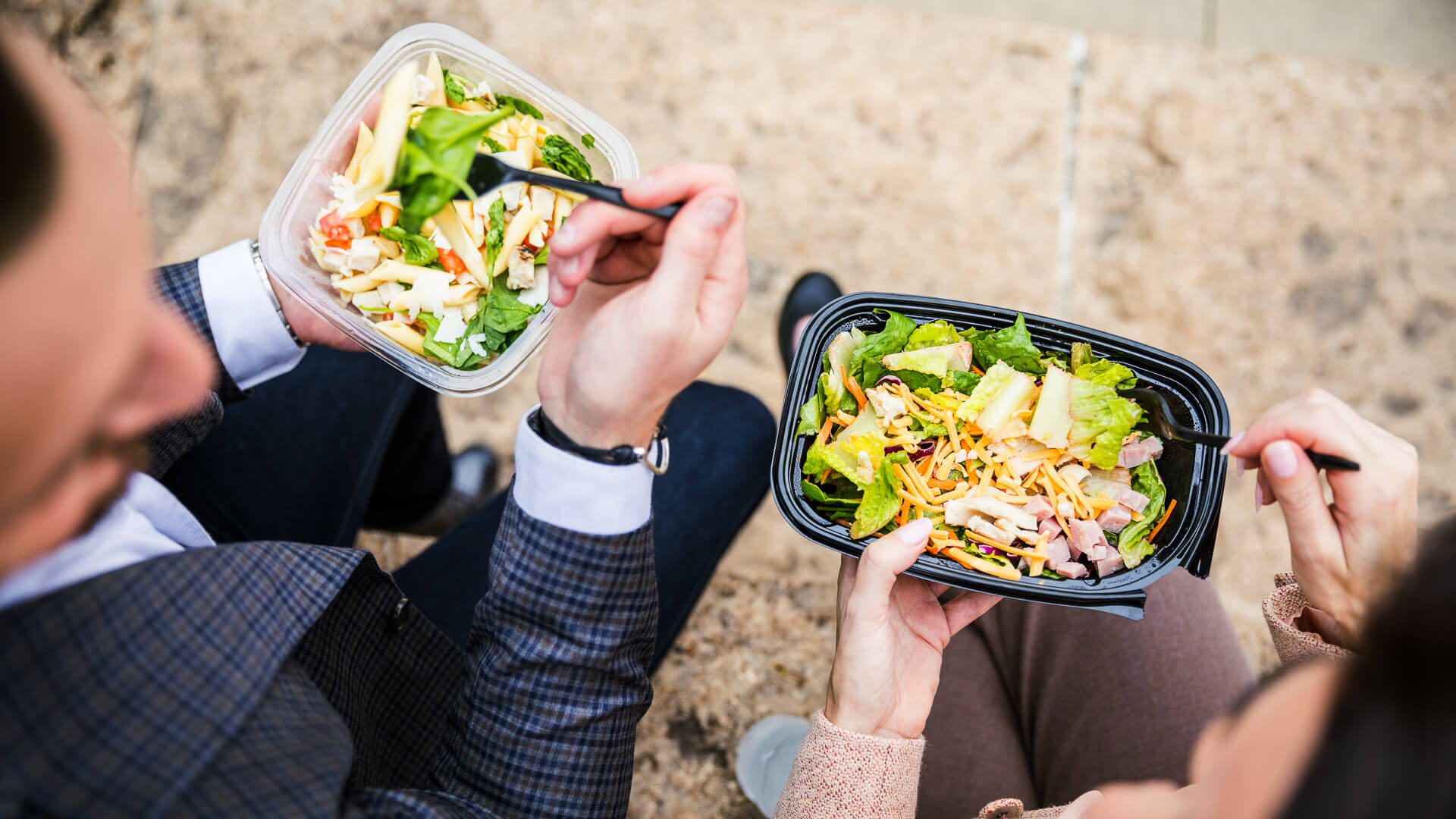 The bags of packaged salads available at your local supermarket use “modified atmosphere packaging” to delay ripening and spoiling, a technology developed in the 1960s in a collaboration between Whirlpool Corp. and the U.S. Navy to send lettuce and celery to troops in Vietnam, Vice reported. 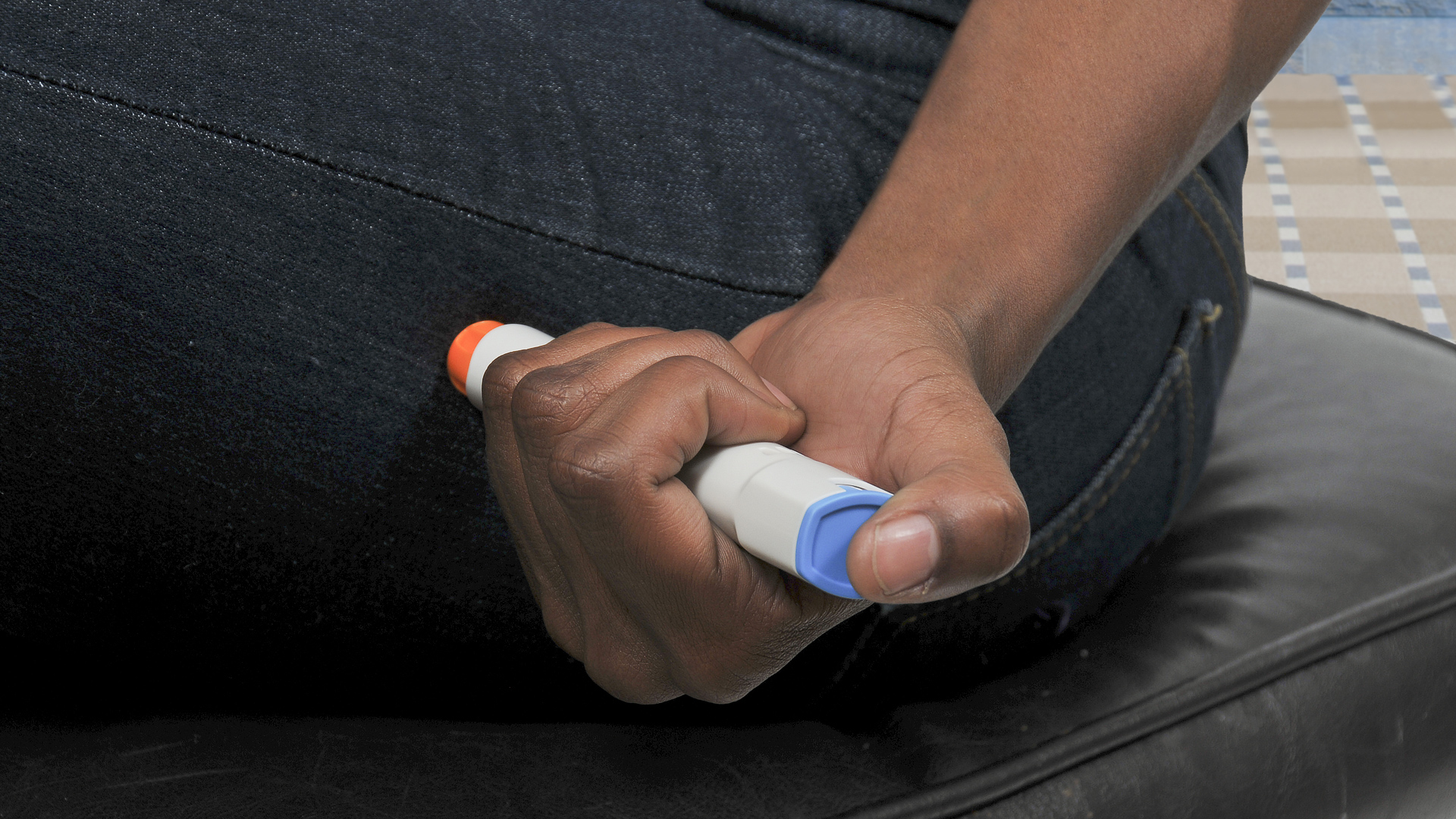 EpiPens can be a lifesaver for anyone experiencing a severe allergic reaction. The man behind this invention, Sheldon Kaplan, first used his auto-injector technology to create the ComboPen — an auto-injector filled with a nerve gas antidote — for the U.S. military in the 1970s, Healthline reported. 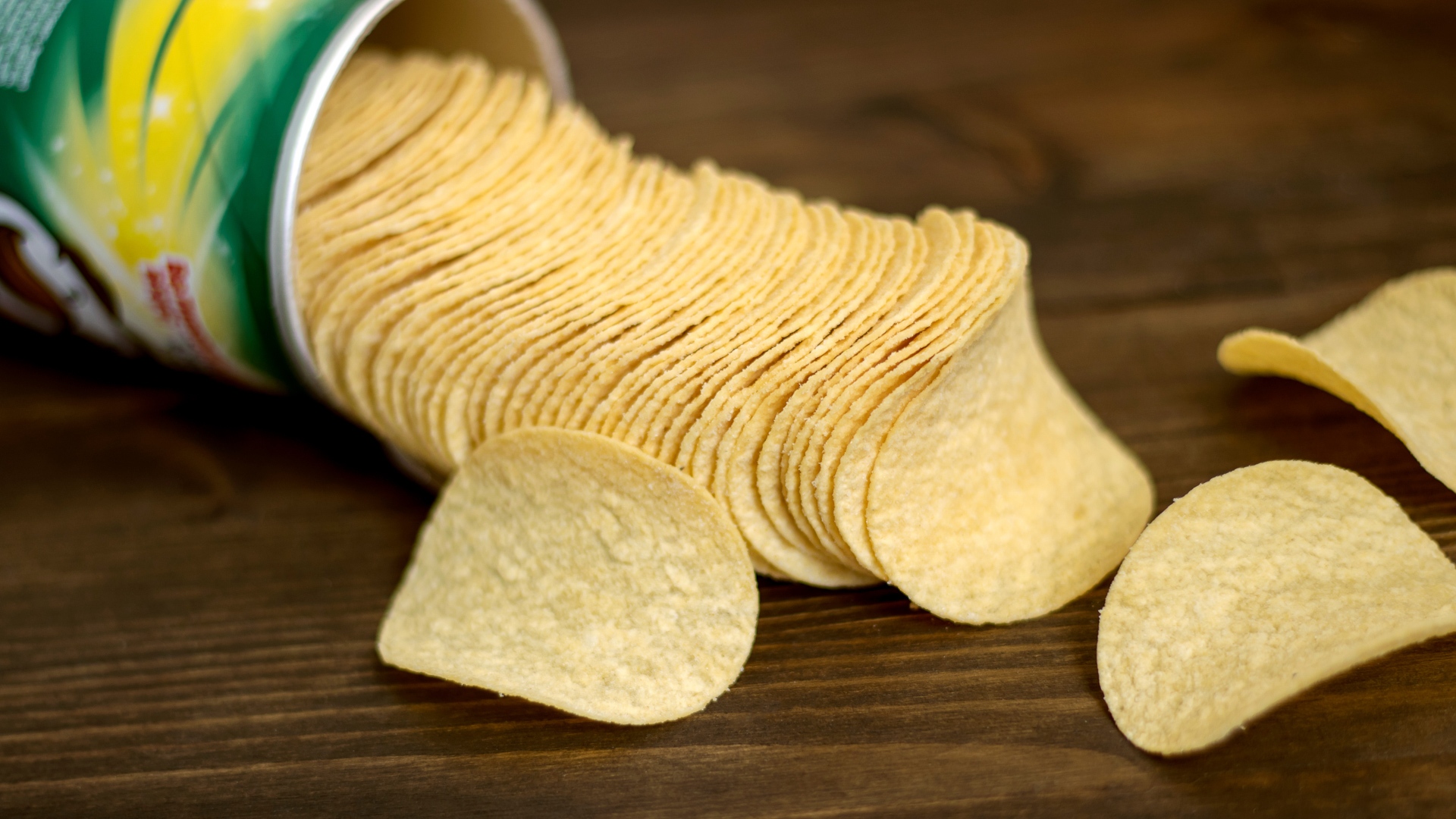 The U.S. Army Quartermaster Corps collaborated with the USDA to develop dehydrated potato flakes, and out of that project Pringles were born, Vice reported. 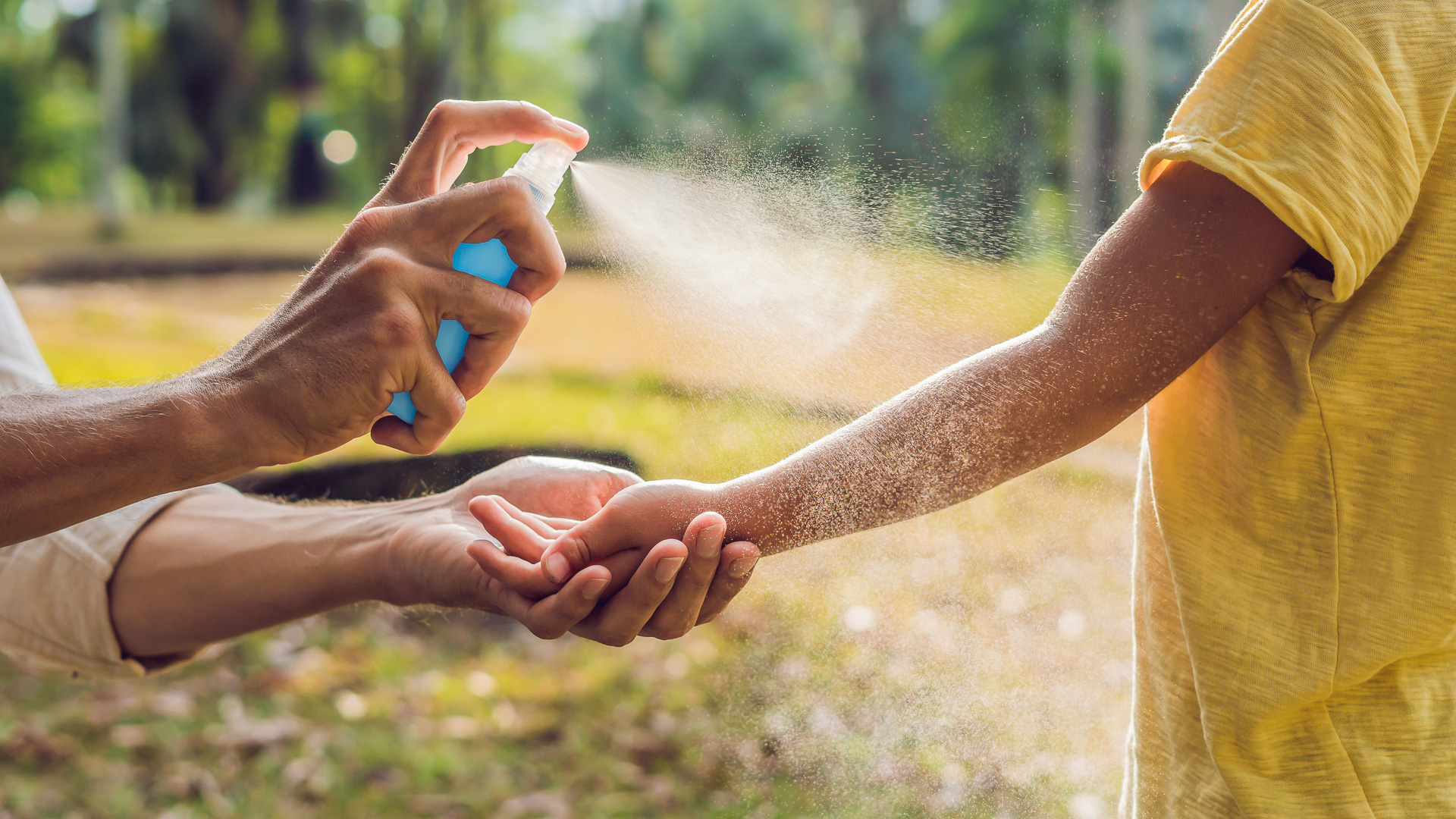 DEET, the active ingredient in some insect repellants, was developed by the U.S. Army in 1946 for use by military personnel in bug-infested areas, according to OFF!, a manufacturer. 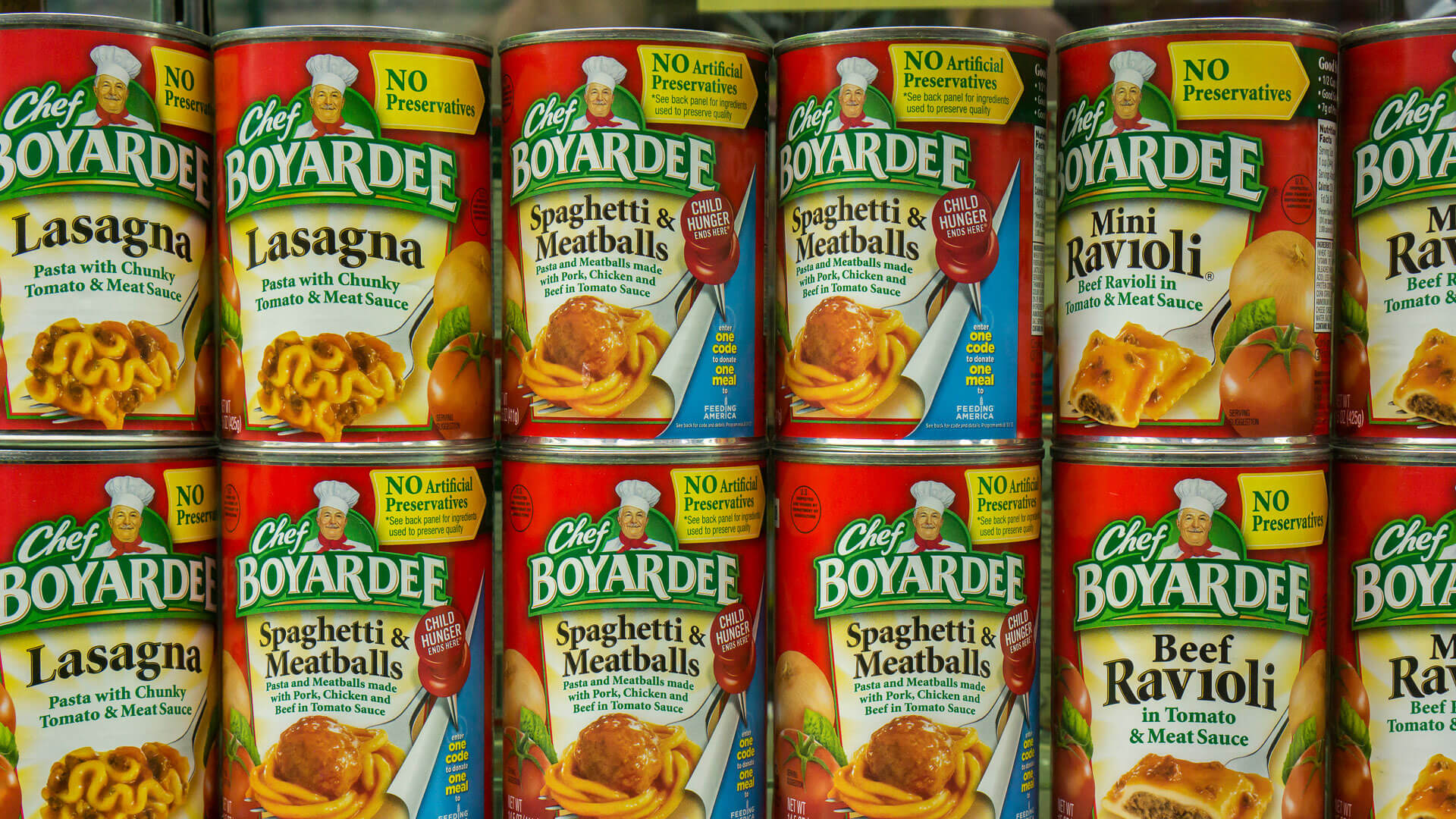 Many of us grew up eating Chef Boyardee, but the idea of mixing spaghetti and meat together was a novel idea at the time that this canned food was created to feed troops during World War II, Vice reported. 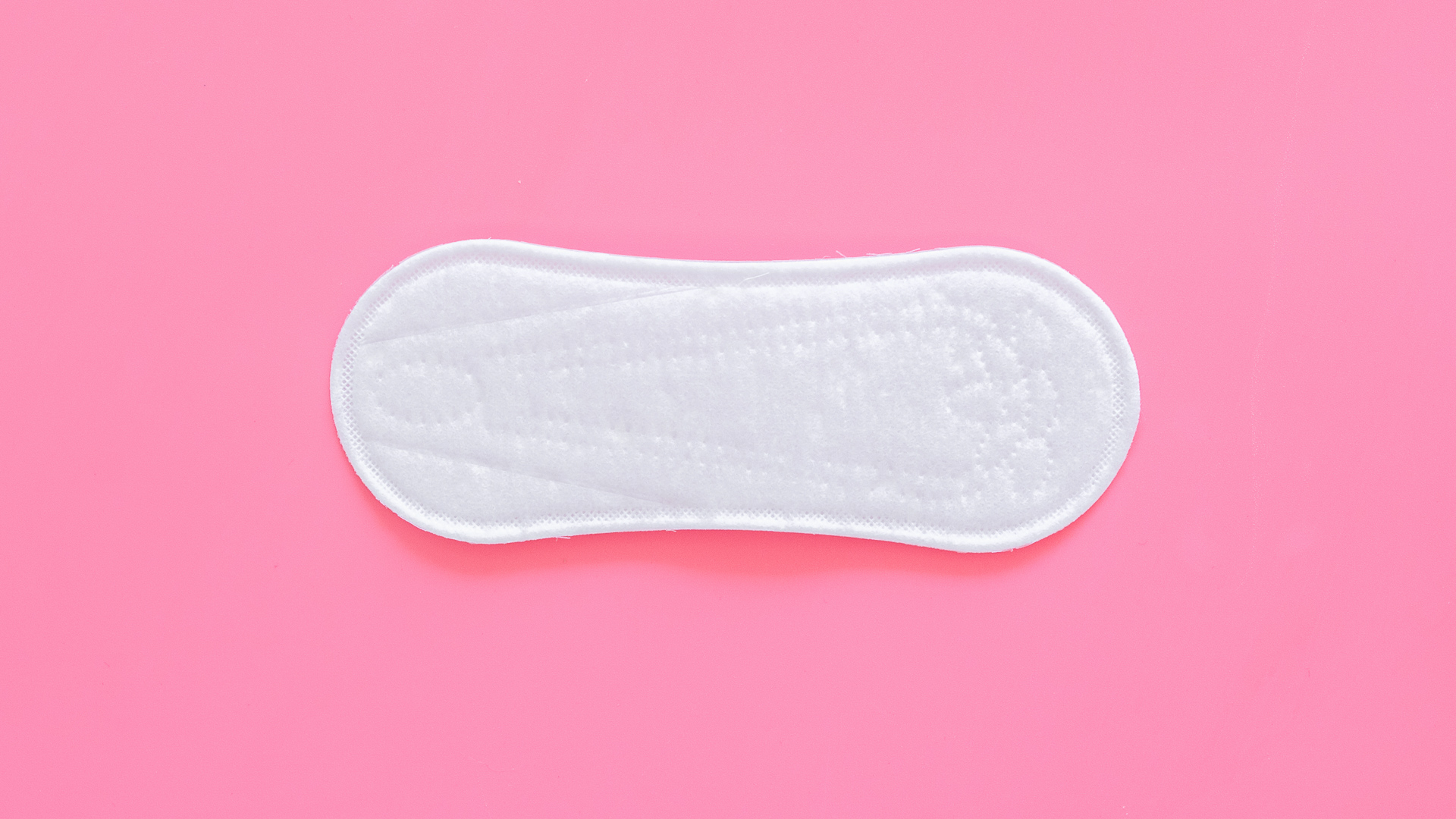 During World War I, the paper products company Kimberly-Clark developed Cellucotton, a material made out of wood pulp, to be a more absorbent and less expensive material for bandages. When the war was over, Kimberly-Clark created Kotex, the first disposable sanitary pads, after hearing that Army nurses had been using the Cellucotton bandages as makeshift sanitary napkins, according to the Smithsonian. 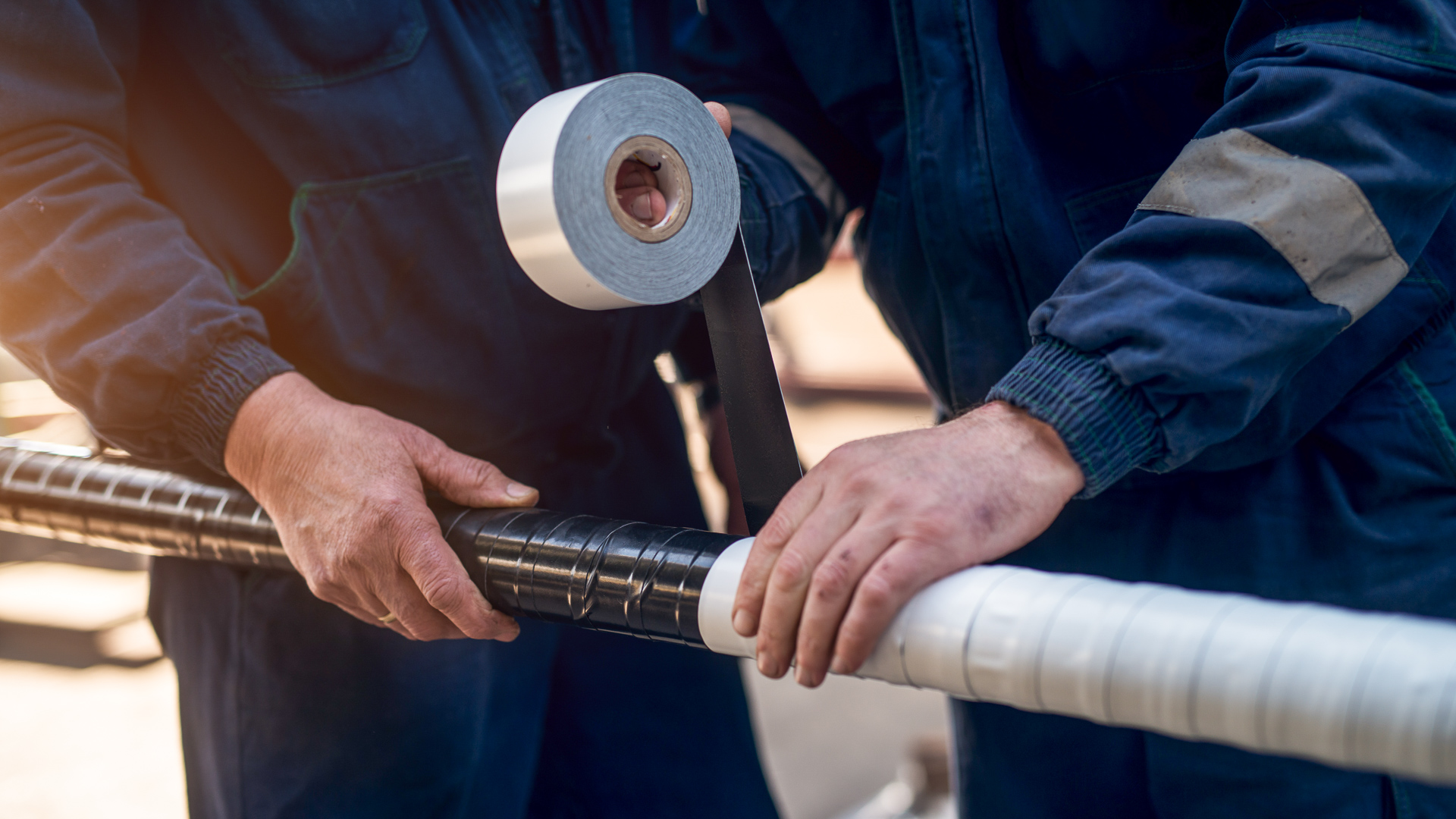 During World War II, soldiers had to pull flimsy tabs to open boxes of ammo on the battlefield. These tabs sometimes broke off, which left the men fumbling to open boxes in active battle. A military mother named Vesta Stout reached out to President Franklin D. Roosevelt to suggest a stronger material be created for this use, and he agreed. The War Production Board commissioned Johnson & Johnson to create a new, stronger box tape — and duct tape was born. 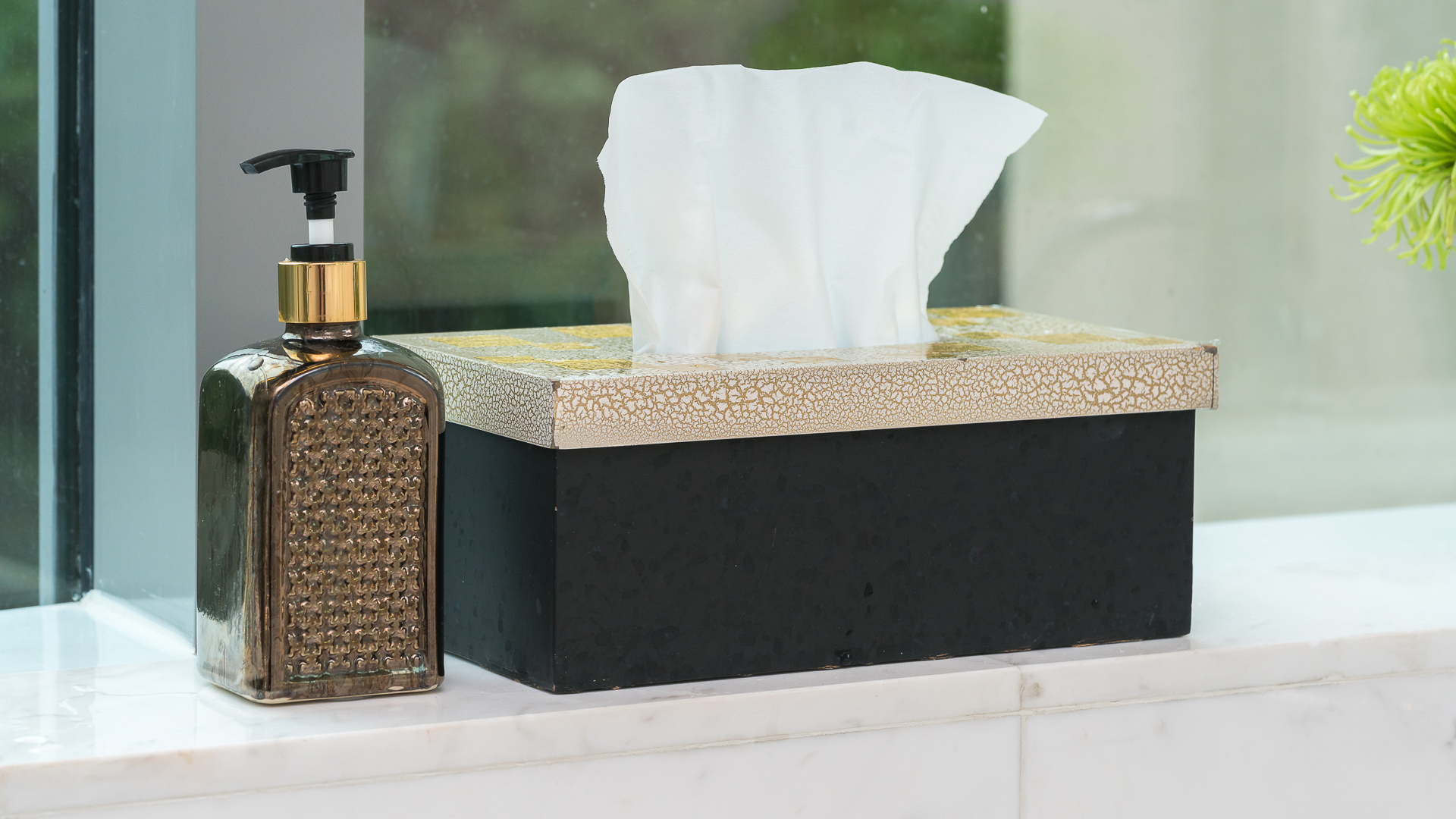 Kotex pads aren’t the only everyday item to spin off from the development of Cellucotton. Kimberly-Clark created a thin, flattened version of this new absorbent material and marketed it as Kleenex, a disposable makeup and cold cream remover, according to the History Channel. However, people started using it to blow their noses into, so Kimberly-Clark remarketed Kleenex as a more sanitary alternative to cloth handkerchiefs.

Did You Know? 15 Inventions By Celebrities Like Marlon Brando, Neil Young and More 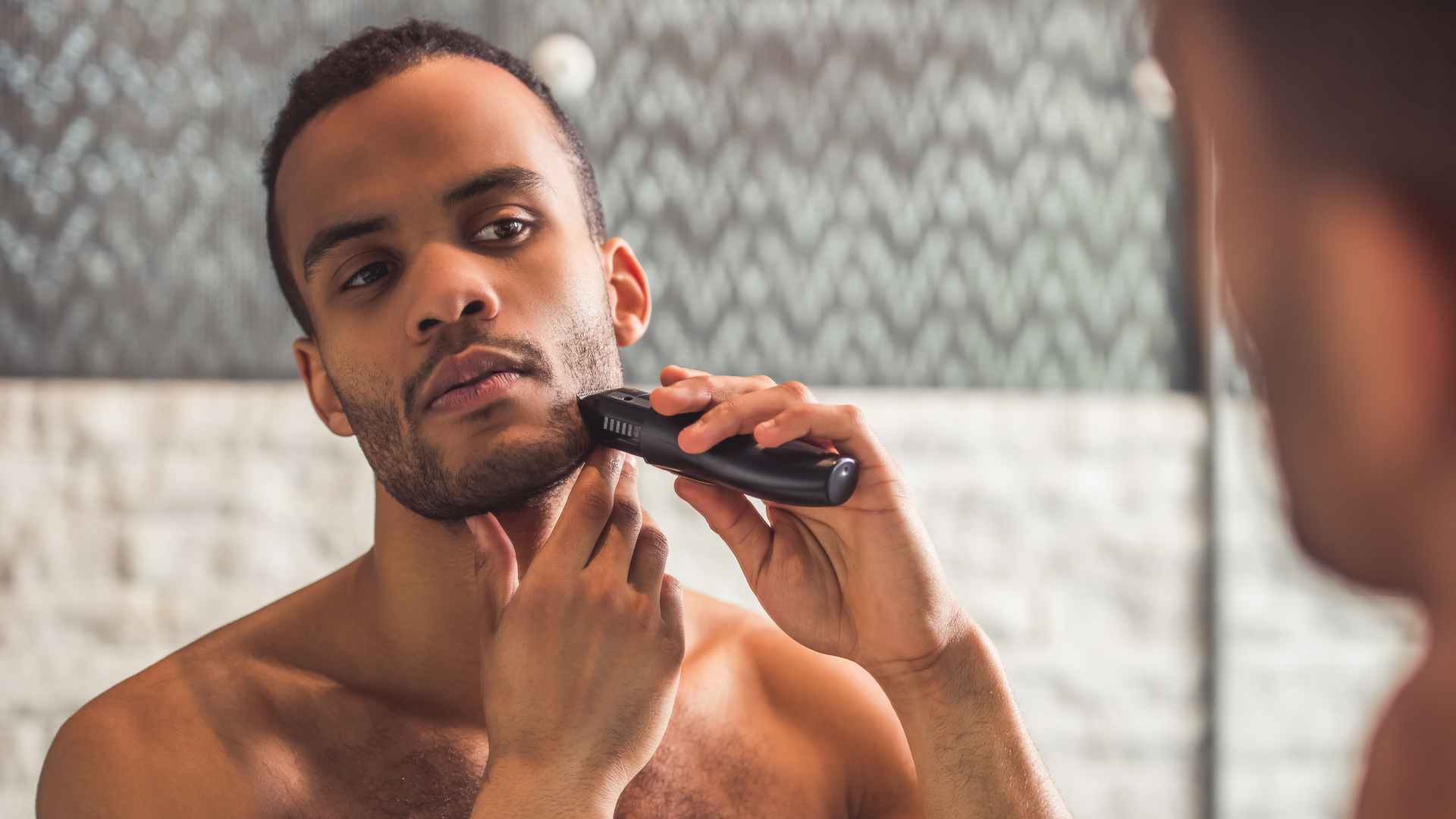 Retired U.S. Army Col. Jacob Schick designed the first electric razor that was successfully manufactured. He patented his product in 1928, according to Thought Co. 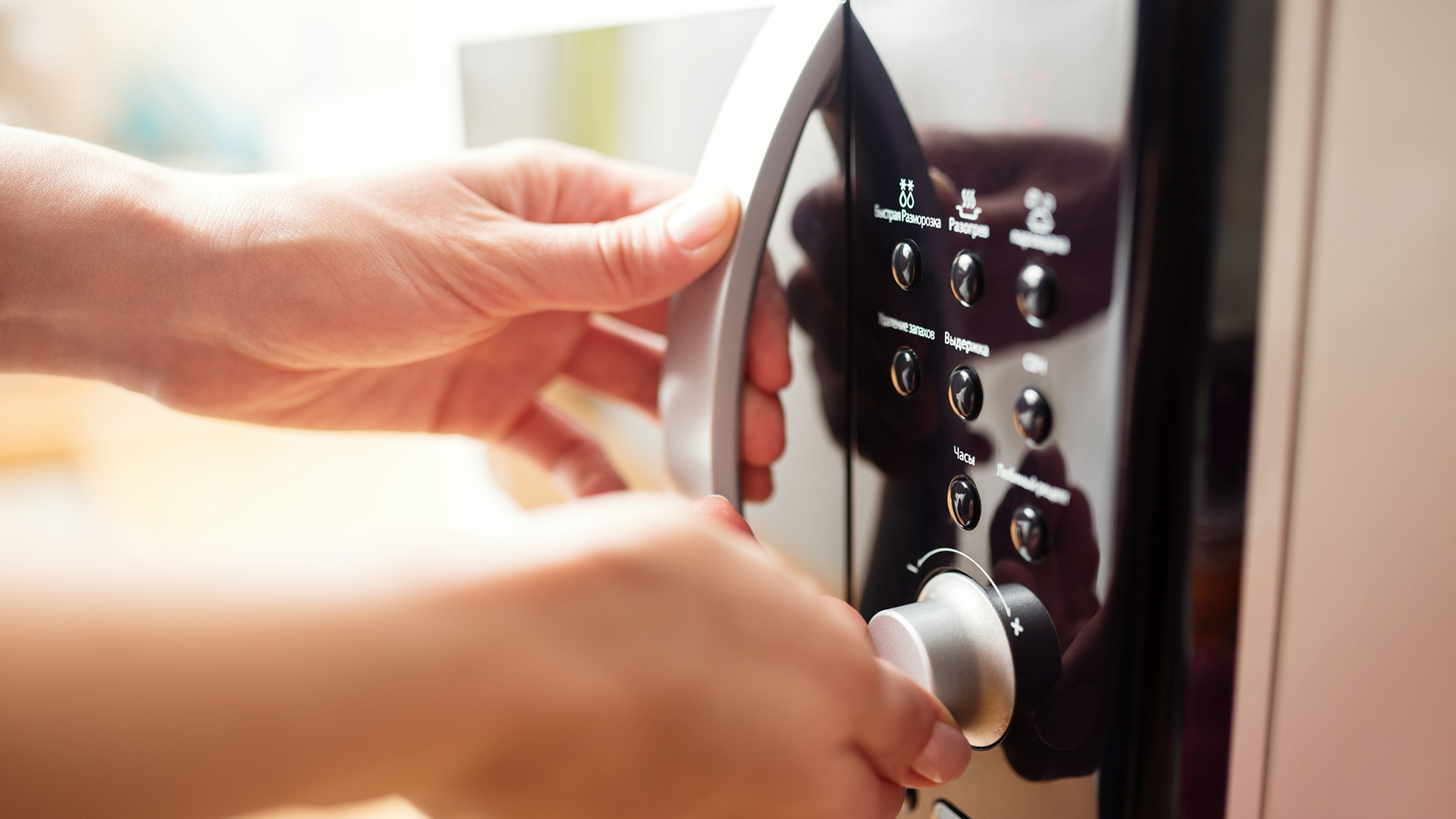 The microwave oven was invented by accident, according to Popular Mechanics. In 1946, a Raytheon engineer named Percy Spencer was testing a military-grade magnetron, a tube used in radar sets, and realized it had caused his snack to melt. He tested putting eggs and popcorn kernels under this tube and realized it could effectively heat up eggs and cause popcorn to pop. A year later, the first commercial microwave using this technology hit the market. 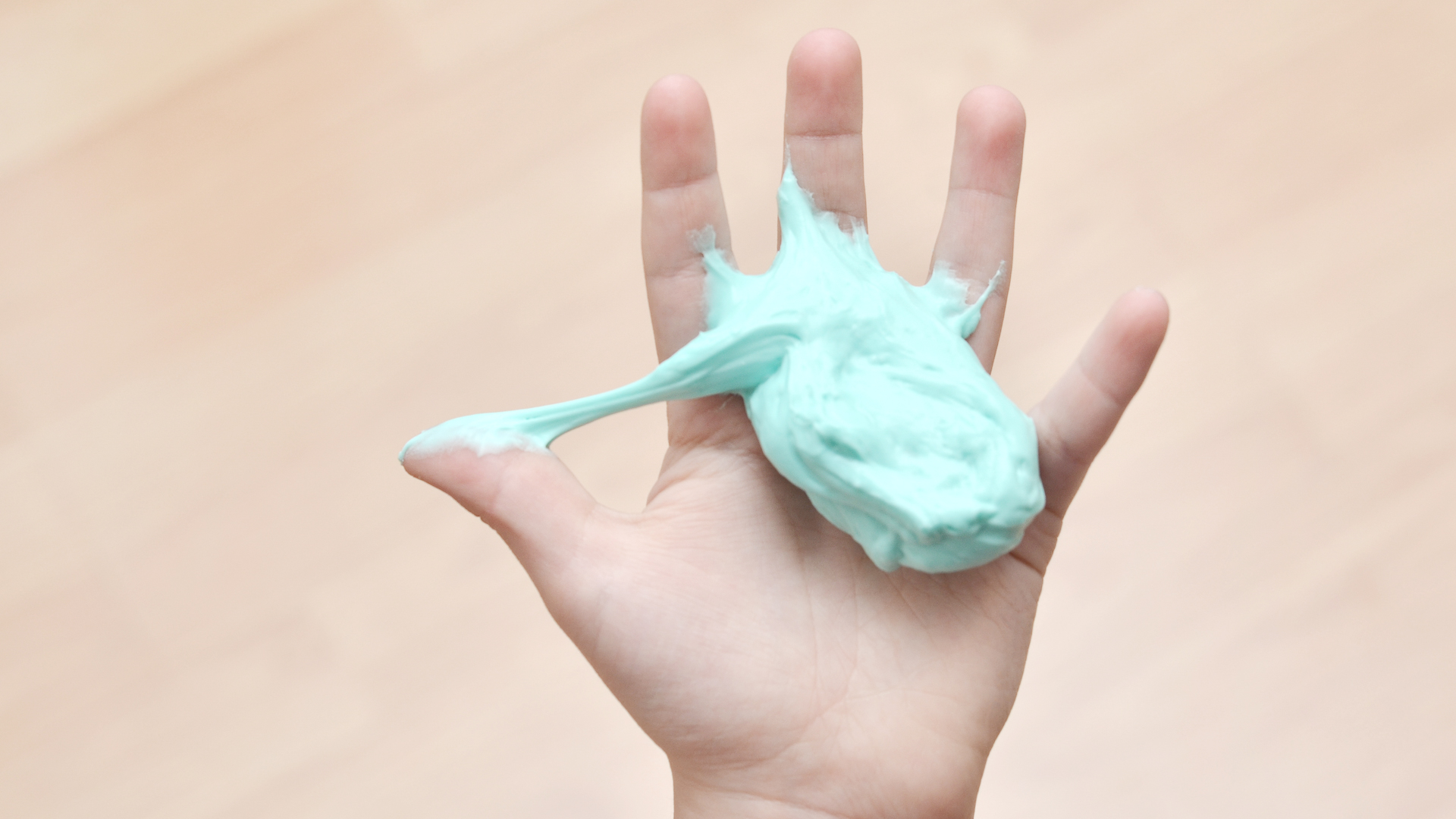 Like the microwave, Silly Putty was invented by accident, according to Thought Co. The toy was created when engineer James Wright was trying to come up with a synthetic rubber to be used in tires, boots, gas masks and more during World War II. While working at General Electric’s laboratory in 1943, he got the idea to combine boric acid and silicone oil, the result of which was a stretchy, bouncy gob of goo. While this new substance didn’t end up having a wartime application, it did become one of the most popular toys of the 20th century. 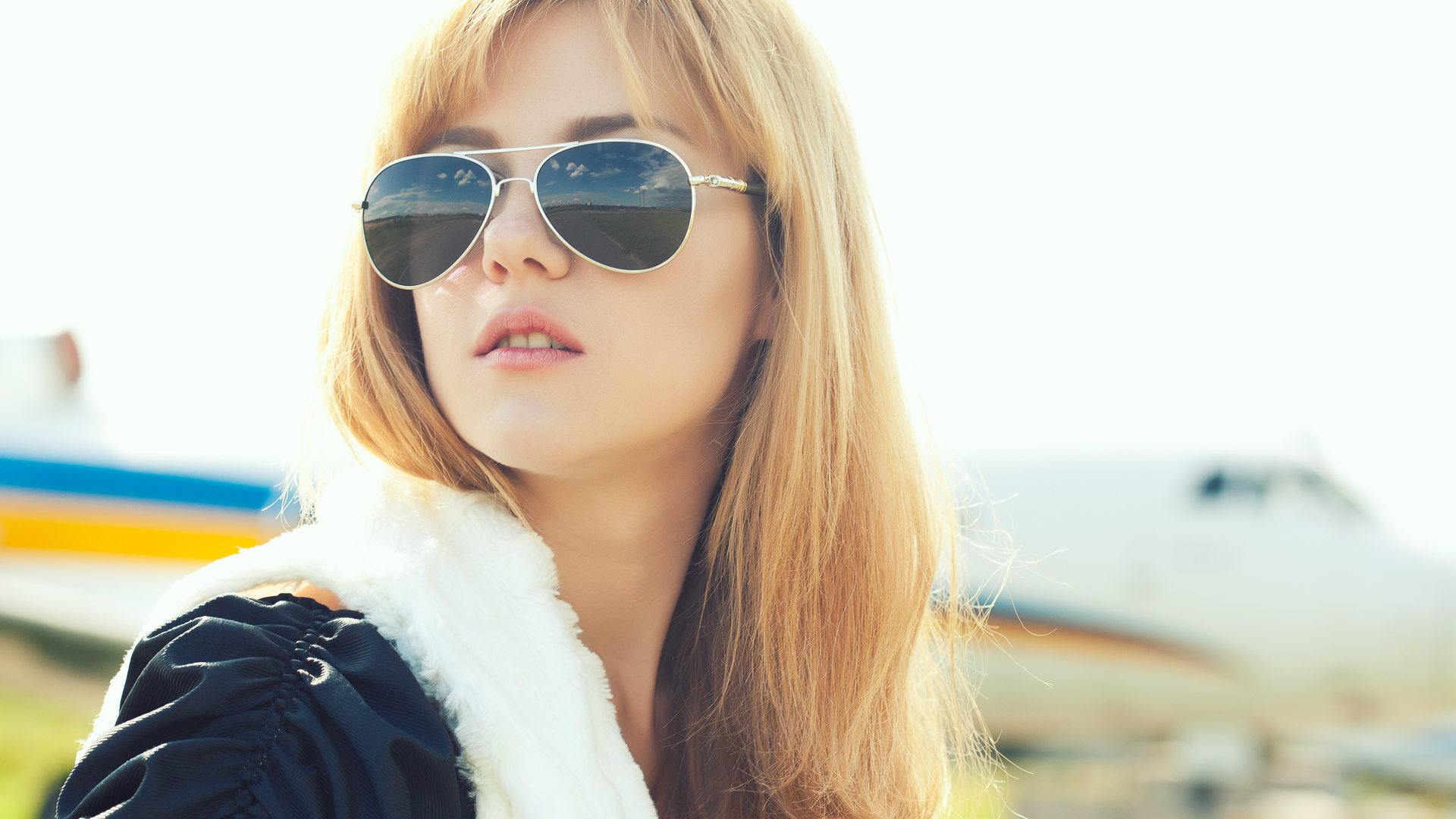 Aviators are a popular style of sunglasses, but they weren’t always worn as a fashion statement. The U.S. Army Air Corps contracted with Bausch & Lomb in the post-World War I era to create sun-blocking glasses for pilots since, as they became able to fly higher and further, sun glare became a major issue. Aviators were the result. The tear-shaped lenses were designed to completely cover the eyes, protecting pilots’ eyes from the sun at high altitudes, according to The Telegraph. 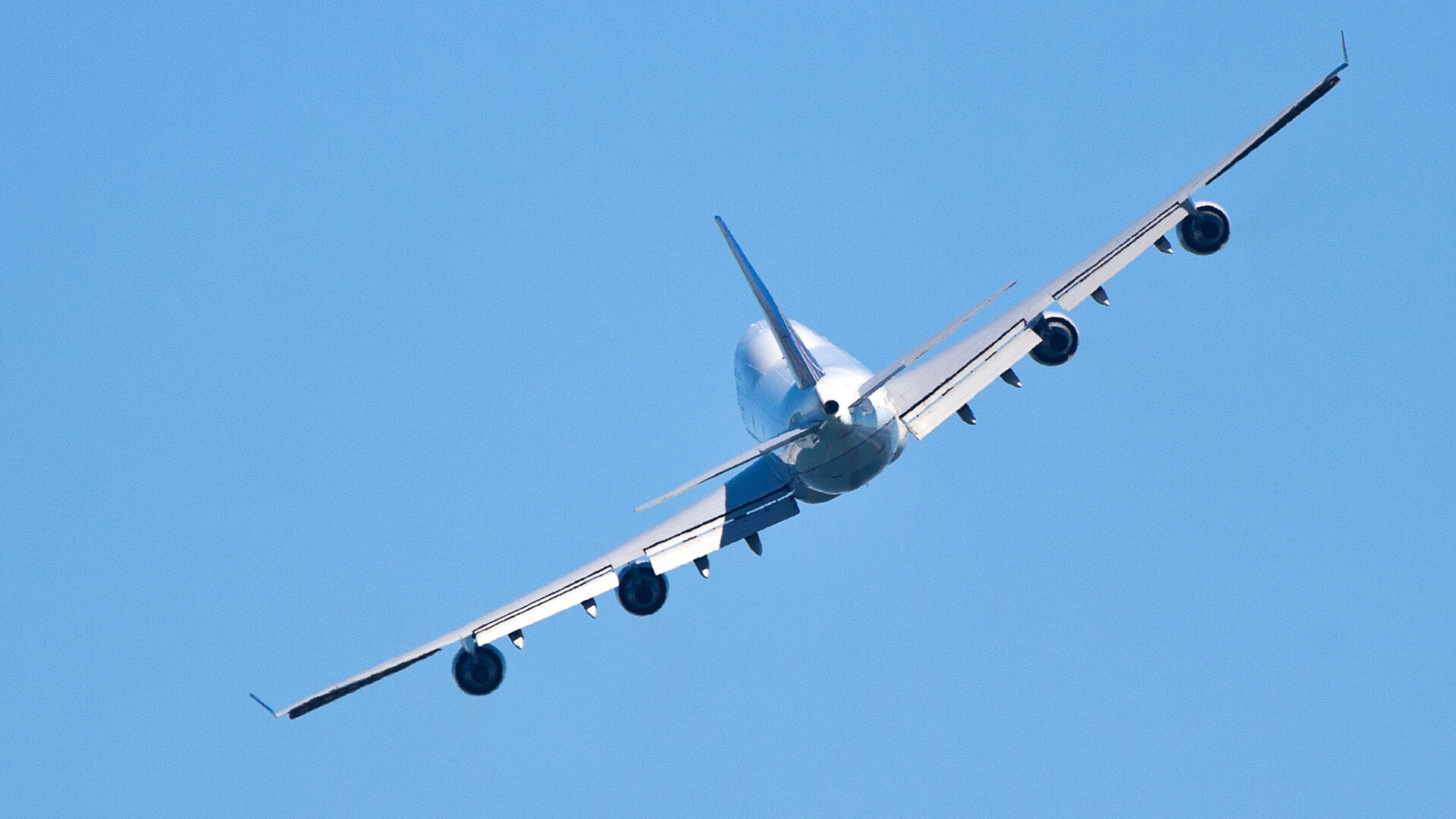 The Boeing 747 is one of the two largest civilian airplanes in the world, and it takes advantage of the high-bypass engine technology that originally was developed for Boeing’s military transport plane, the C-5A. 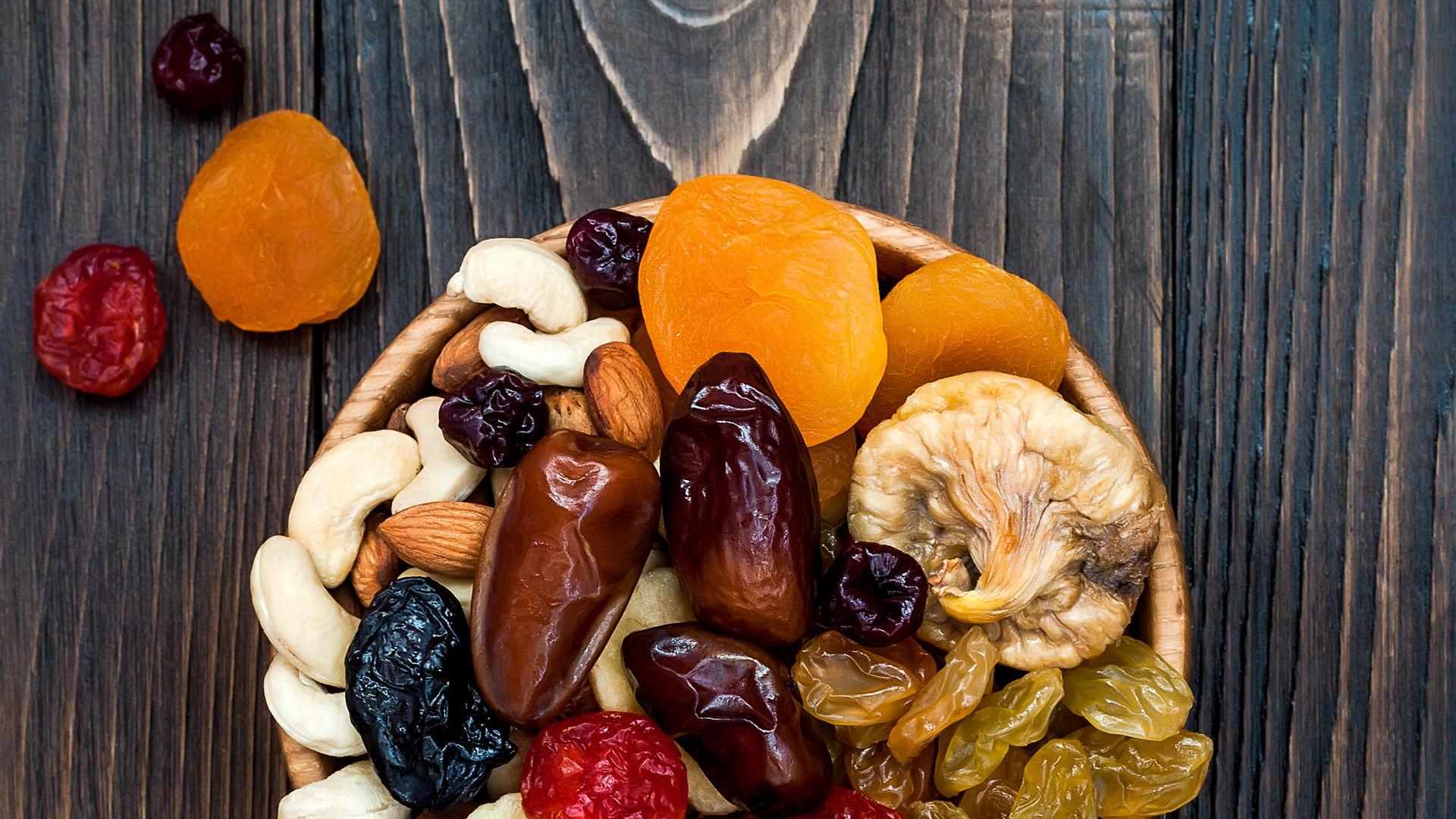 The U.S. Army Laboratory in Natick, Massachusetts, and NASA joined together with the Whirlpool Corp. to prepare and package the first freeze dried foods. These foods were eaten in space for the first time on the Gemini and Apollo missions, according to the Smithsonian National Air and Space Museum. 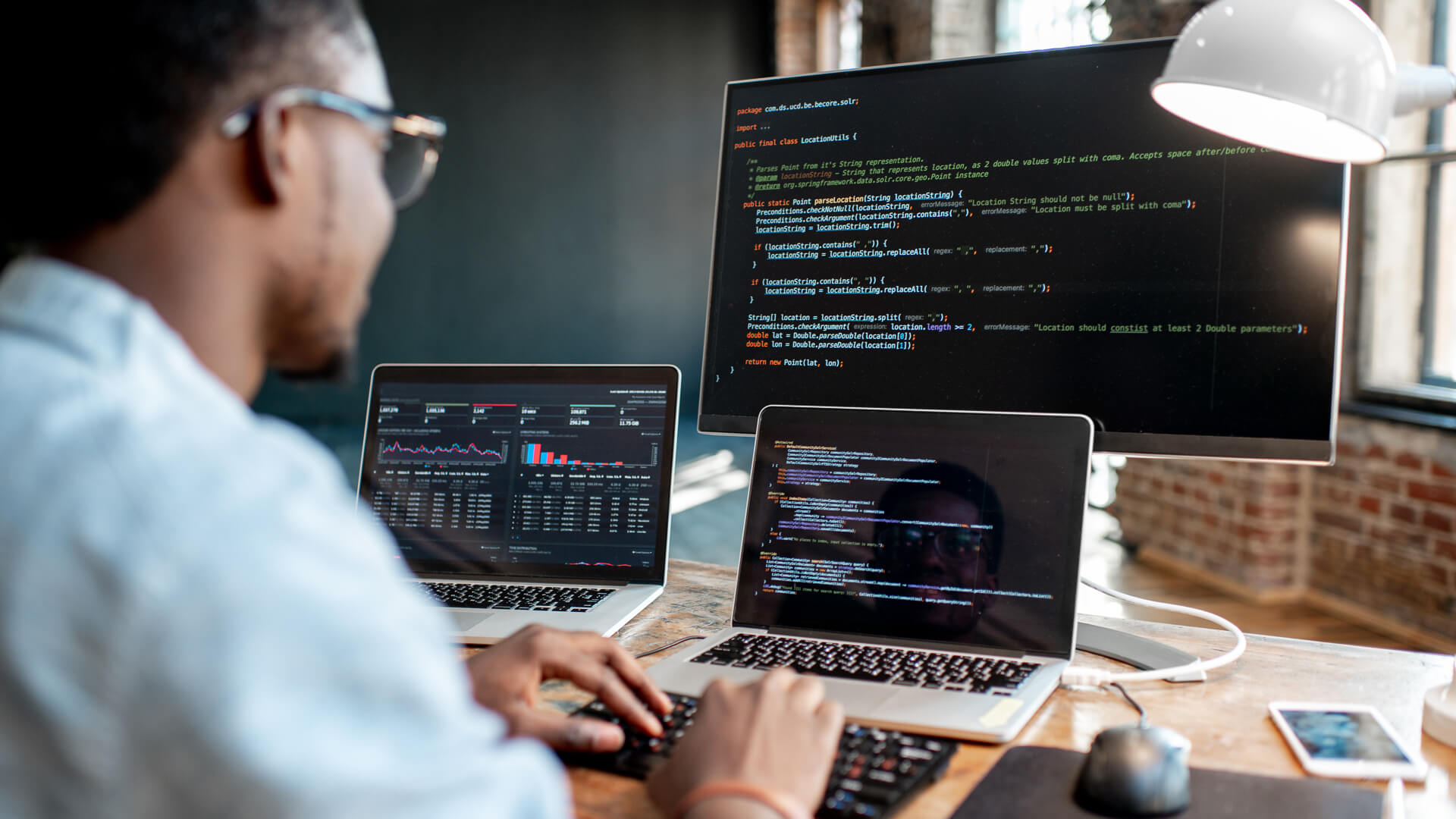 All modern computers descended from systems that were conceived and built by the Army Research Laboratory to address pressing military needs. Its predecessor, the Ballistics Research Laboratory, first got involved with the development of computing as early as the mid-1930s, according to the ARL. 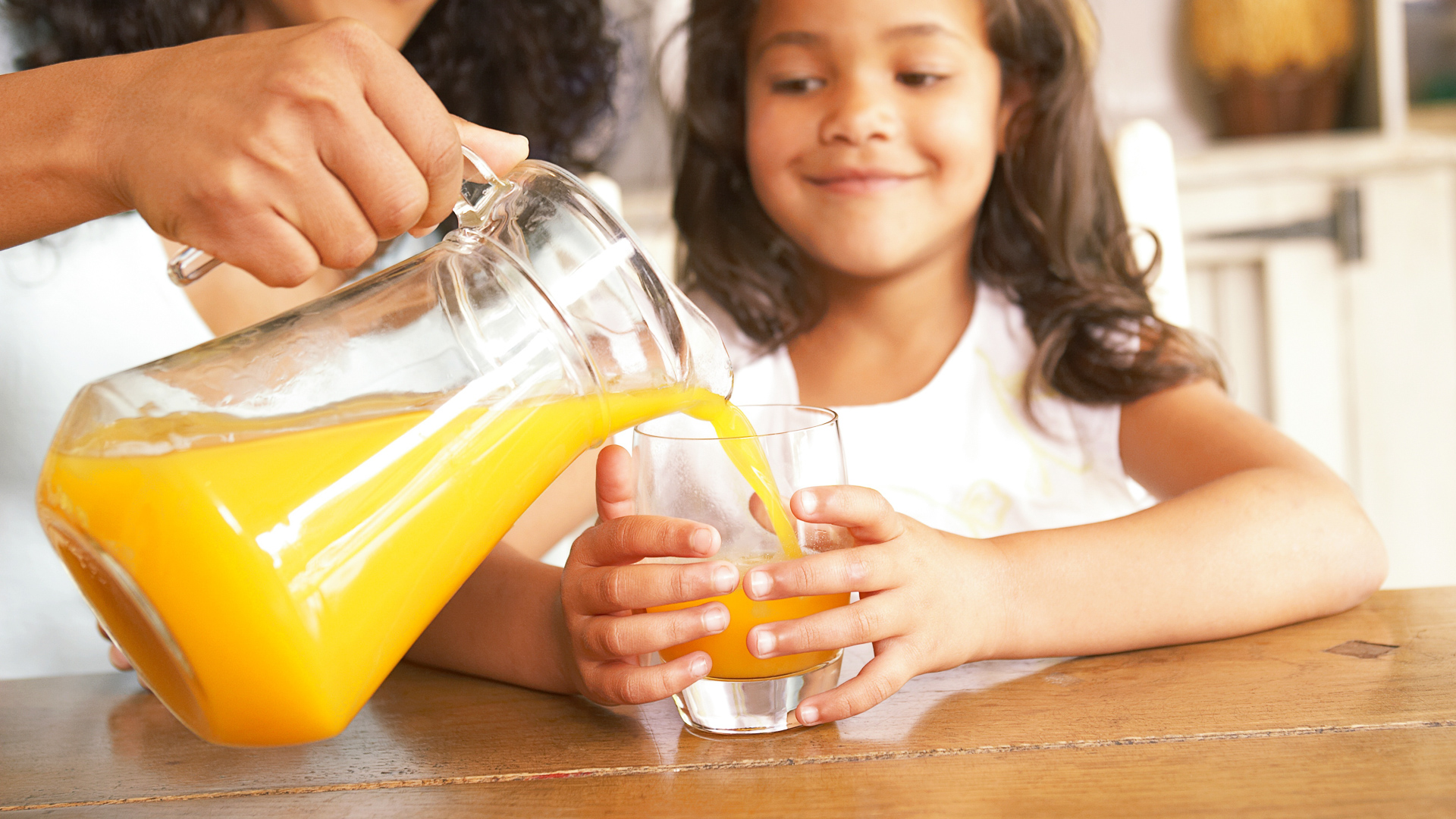 A team of USDA scientists developed frozen concentrated orange juice in 1942 during World War II as a way to ensure that soldiers would get enough Vitamin C, Vice reported. The juice never made it to the troops, but Minute Maid brought it to market. 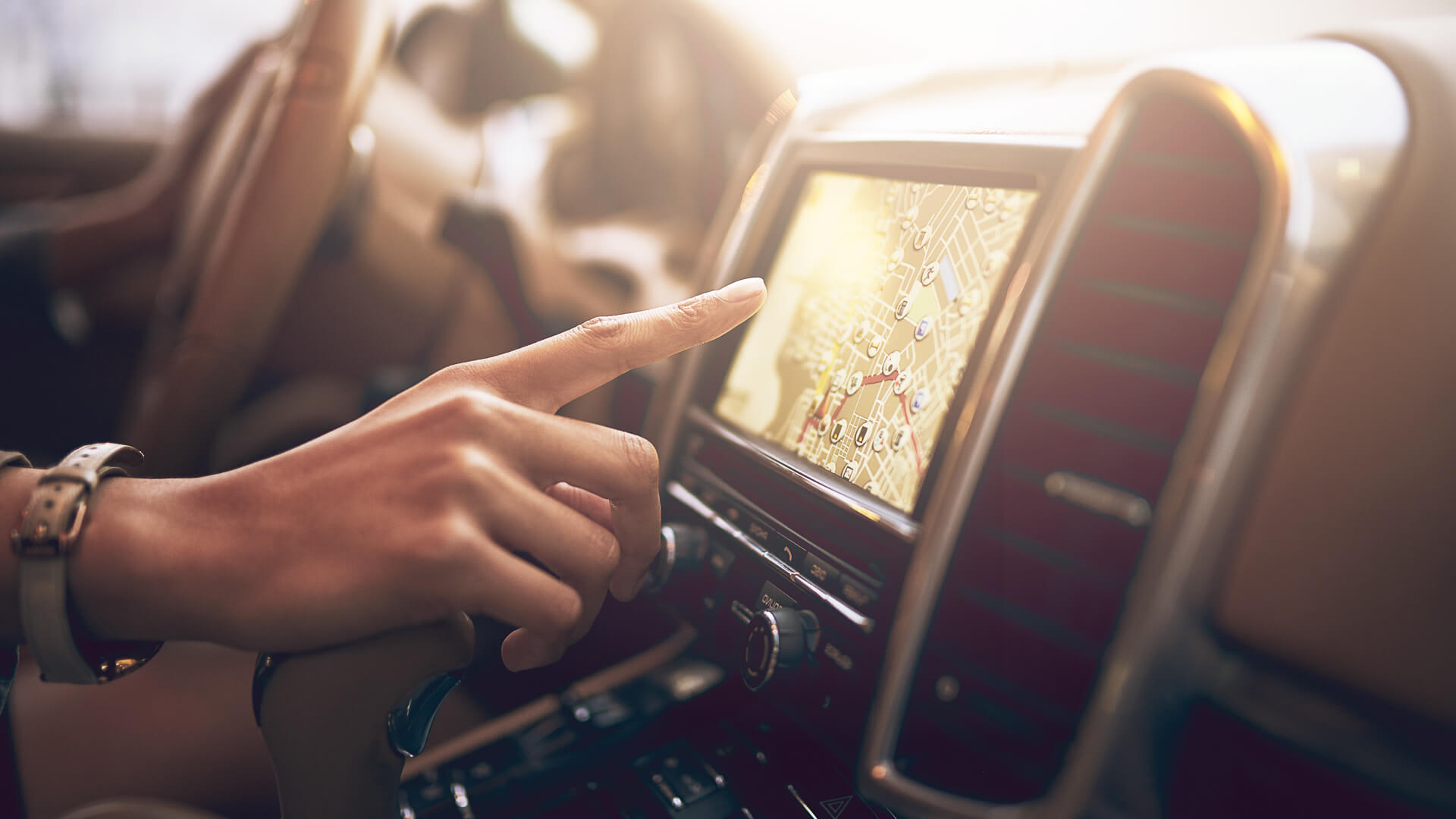 Global Positioning System technology first was used in the 1960s by the U.S. Navy to track submarines carrying nuclear missiles through a combination of satellites and radio signals, according to NASA. 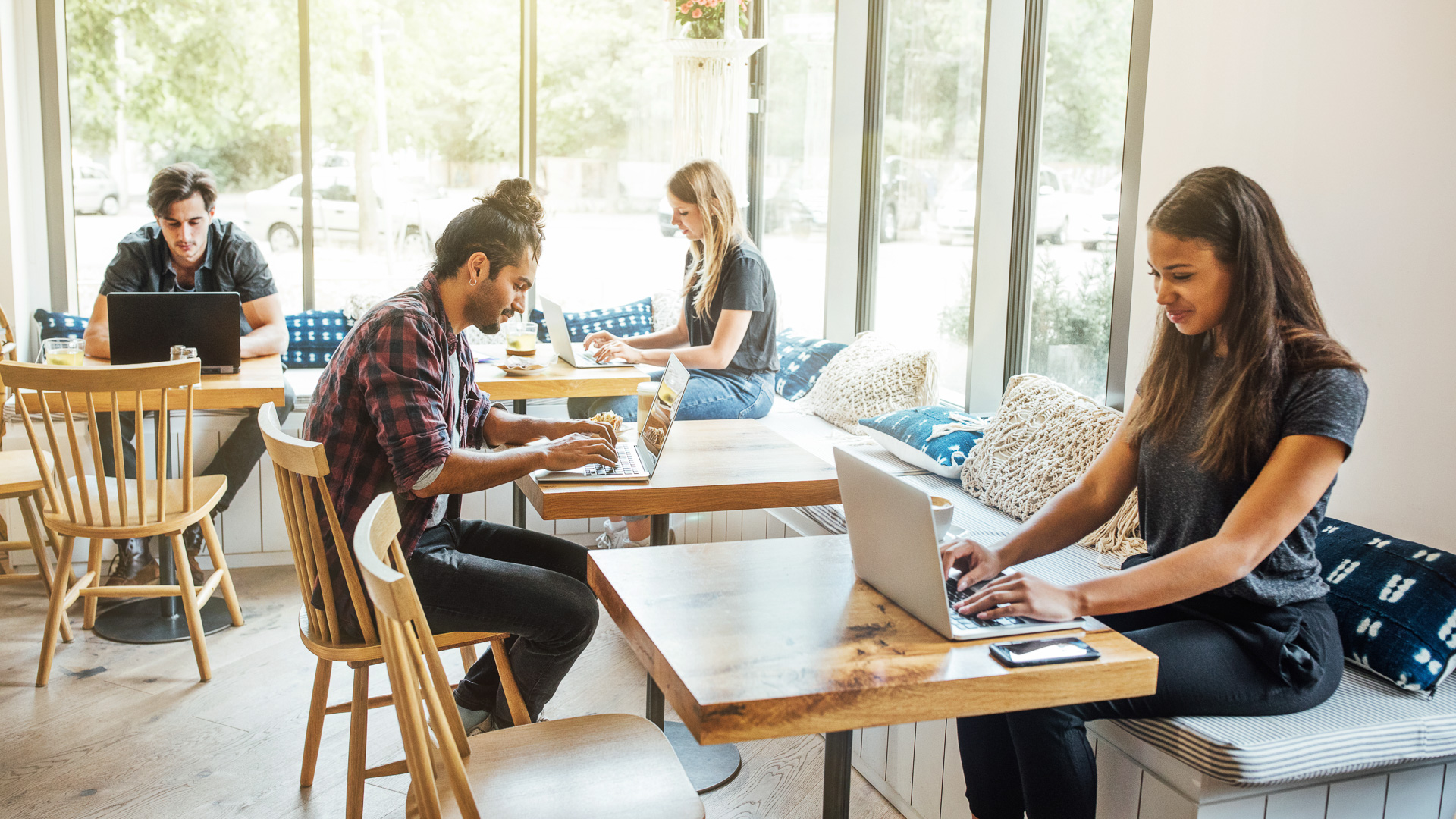 The first workable prototype of the internet was the Advanced Research Projects Agency Network, created in the late 1960s with funding from the U.S. Department of Defense, according to the History Channel. ARPANET used packet switching to allow multiple computers to communicate with each other on a single network. 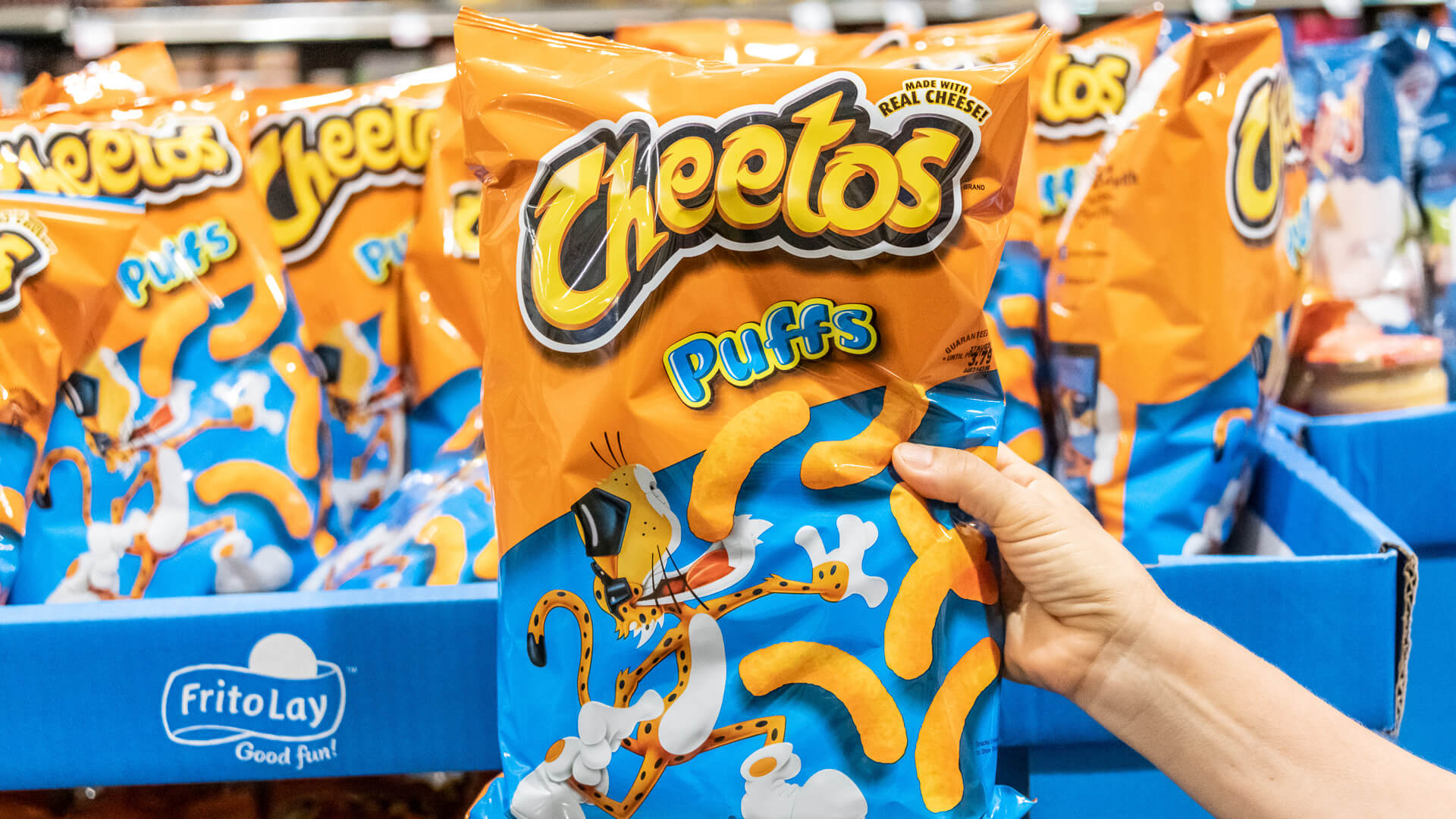 The dehydrated cheese powder that gives Cheetos their flavor was originally developed by the Army as a way to reduce the weight and volume of food being shipped overseas, Vice reported. Once World War II ended, the Army sold its cheese dehydration technology to manufacturers, and Frito-Lay used it to create Cheetos in 1948. 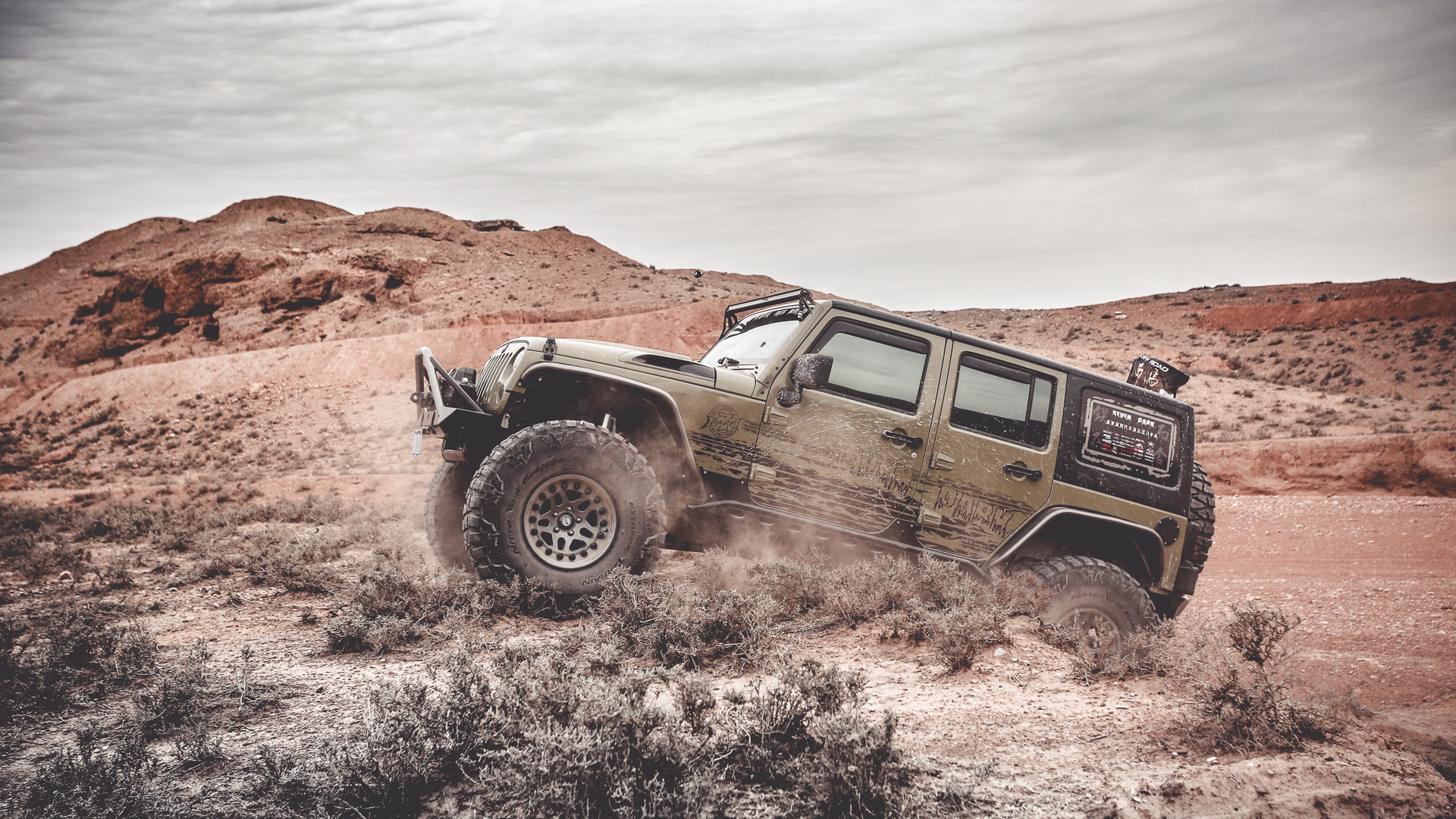 Although Jeeps now are owned by many people who have no military affiliation, the original Jeep 4×4 was developed in the 1940s to help transport thousands of Allied soldiers around the world. 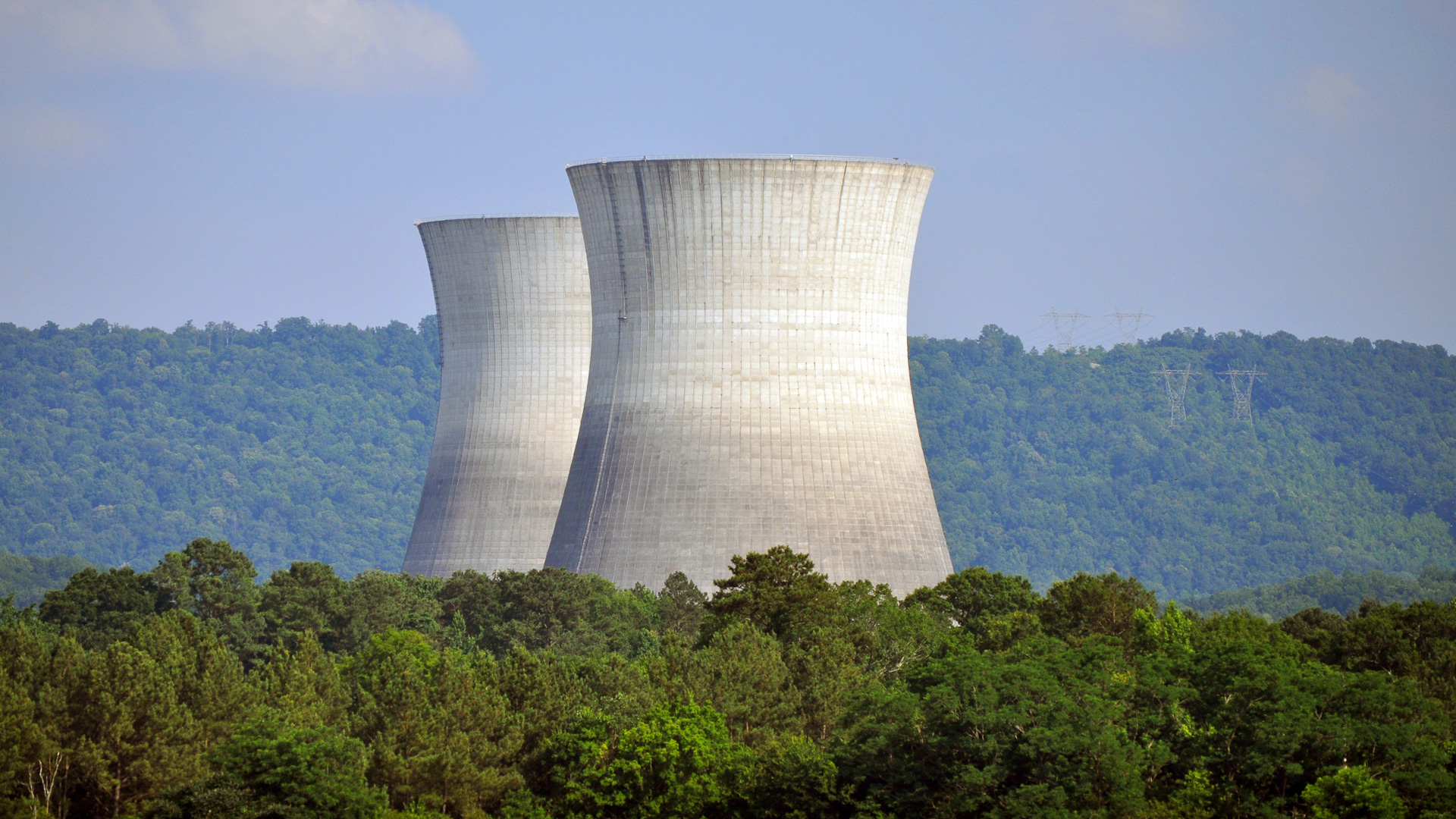 Leading up to and during World War II, researchers who were part of the Manhattan Project worked on harnessing the power of the atom and nuclear technology for the development of defense weapons. After the war, the U.S. government encouraged scientists to find a peaceful application for nuclear energy, and in the mid-1950s, it was discovered that it was a viable source of electricity for commercial use. As of 2018, 19% of America’s electricity was generated from nuclear energy, according to the Nuclear Energy Institute. 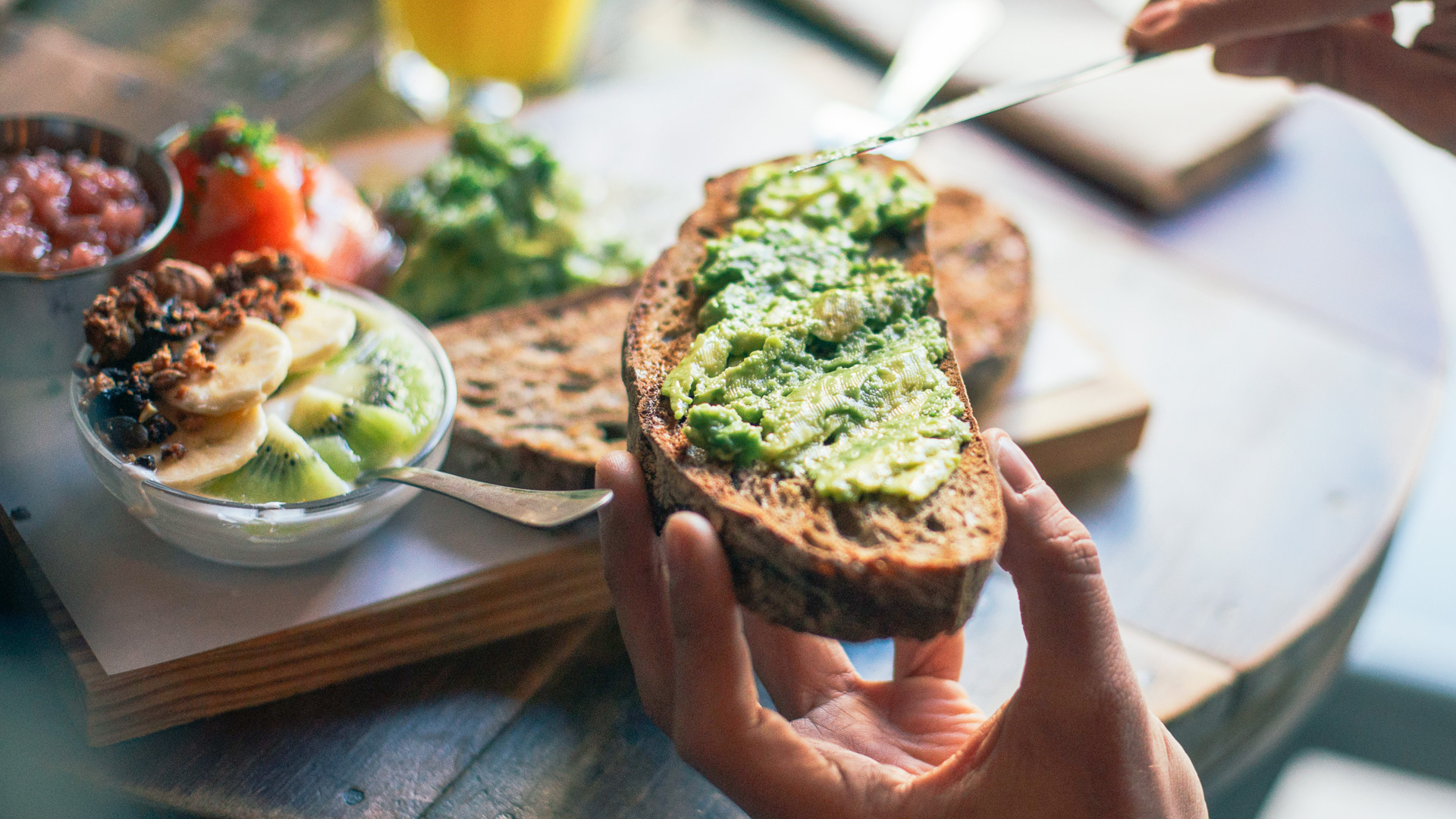 Refrigerated guacamole uses a technique called high-pressure processing to enable it to stay green for weeks. This preservation technique was developed for use by the U.S. Army in the late 1990s and early 2000s as an alternative to thermal sterilization, which changes the taste and texture of food, Vice reported. 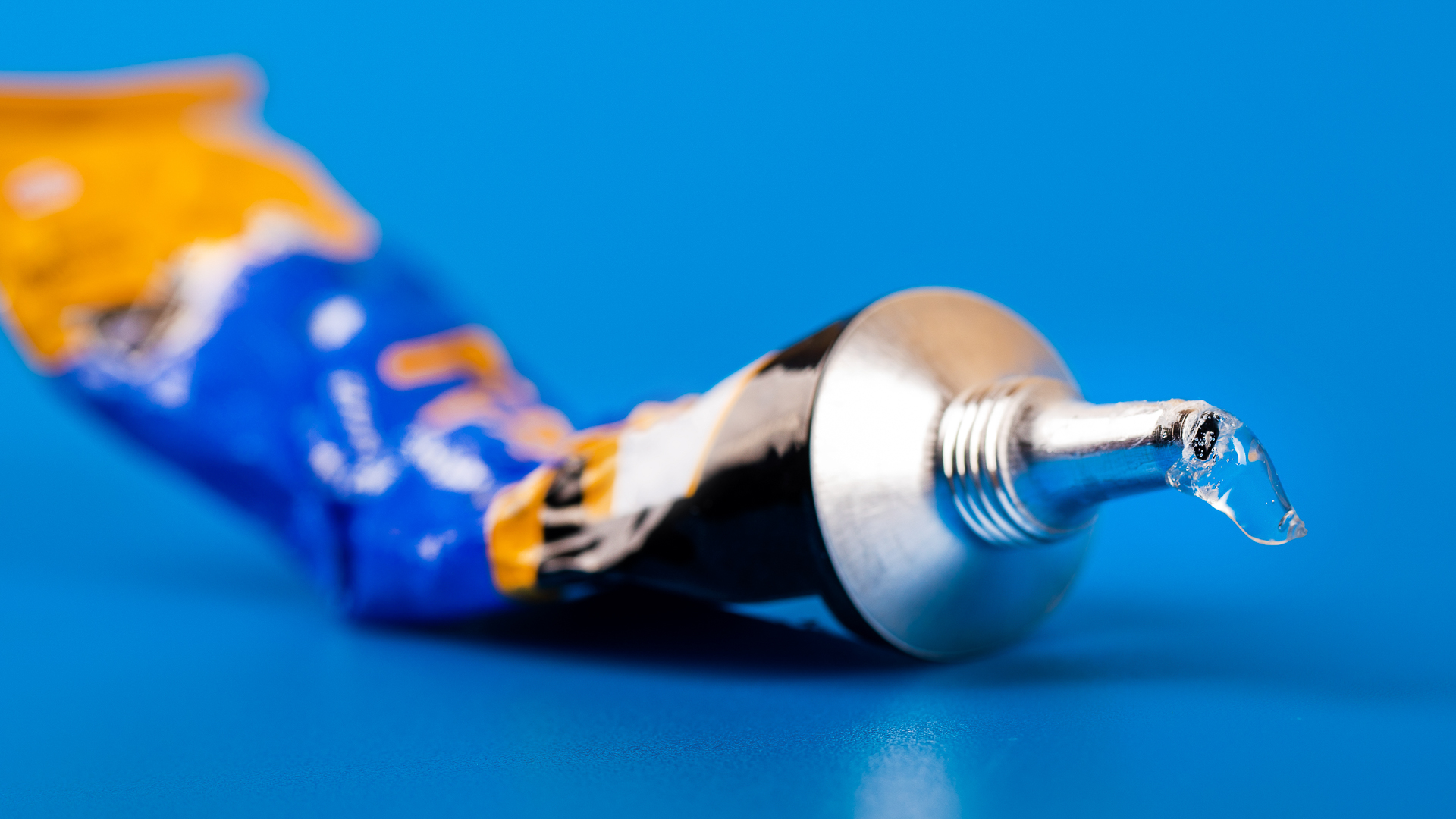 Super Glue originally was invented by scientists at Eastman Kodak as a way to keep gunshot wounds from bleeding out during the Vietnam War before medical treatment could be obtained. The preliminary glue could cause skin irritations and infections, but it did save lives, according to Popular Mechanics. 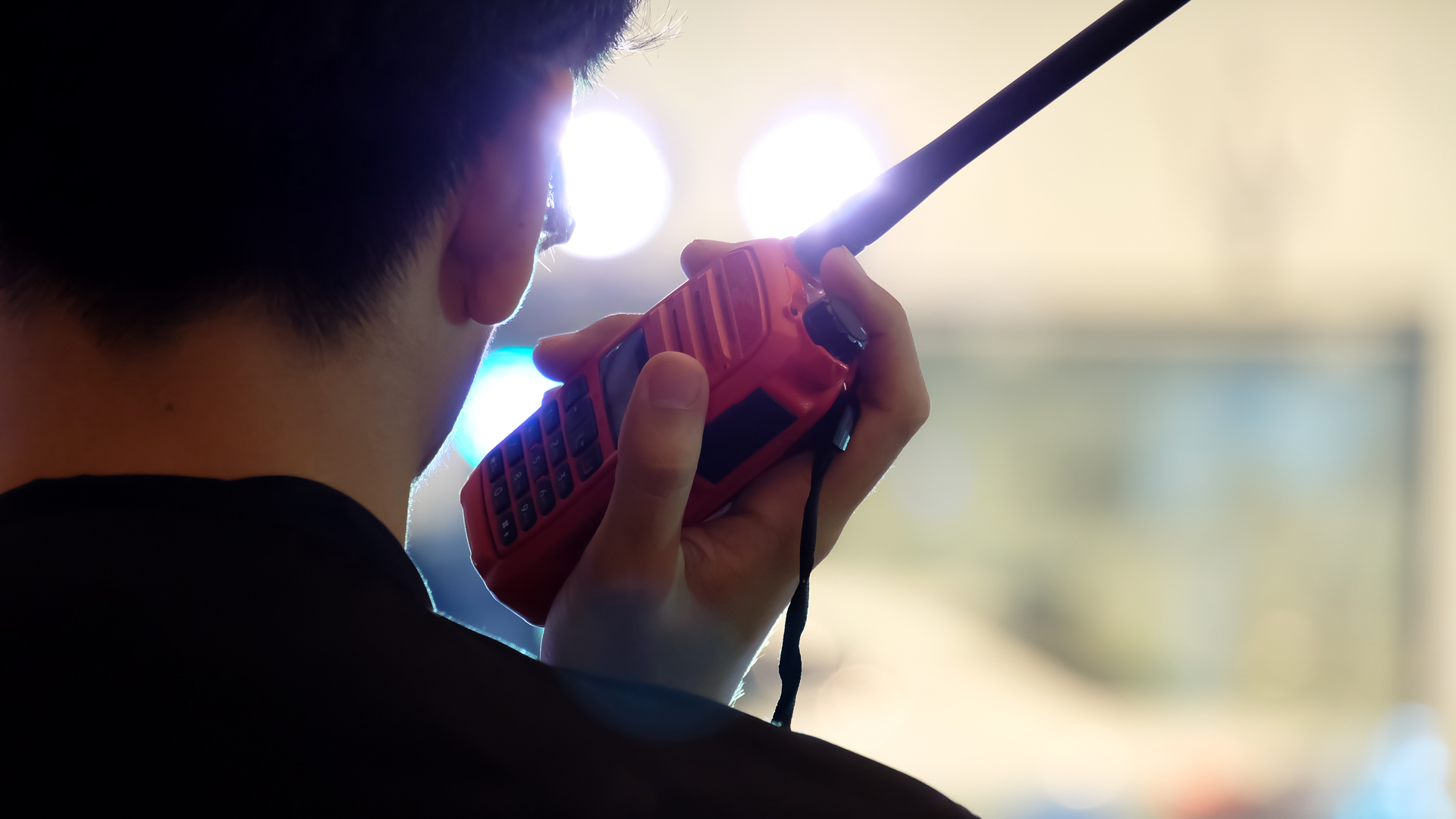 Although cellphones have pretty much replaced walkie-talkies, some businesses still rely on them to communicate — and the modern mobile phone arguably descended from this military technology. The two-way portable radio was first used in World War II and was invented by the Galvin Manufacturing Corp. (later known as Motorola) and the U.S. Army as a way for soldiers to communicate in the field, Tedium reported. 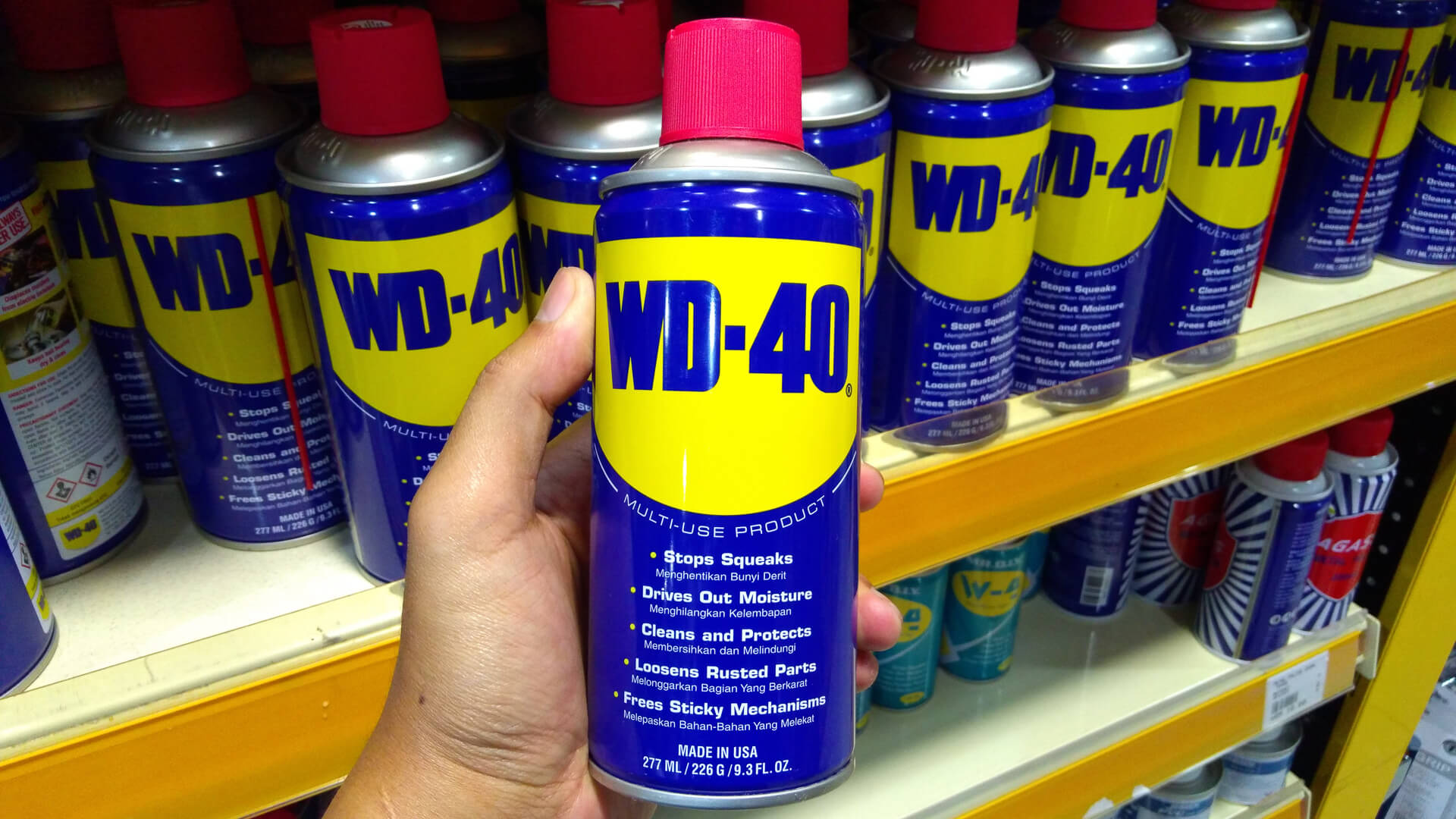 WD-40 is found in homes across America, but its first use was to protect the outer skin of the Atlas Missile from rust and corrosion. The rust-prevention solvent and degreaser was created by the Rocket Chemical Co. in 1953. After 40 attempts to create a successful water displacing formula, they created WD-40, which stands for “water displacement,” with the 40 signifying the 40 attempts required to get the formula right.

Click through to find out how rich you’d be if you invented these iconic products.