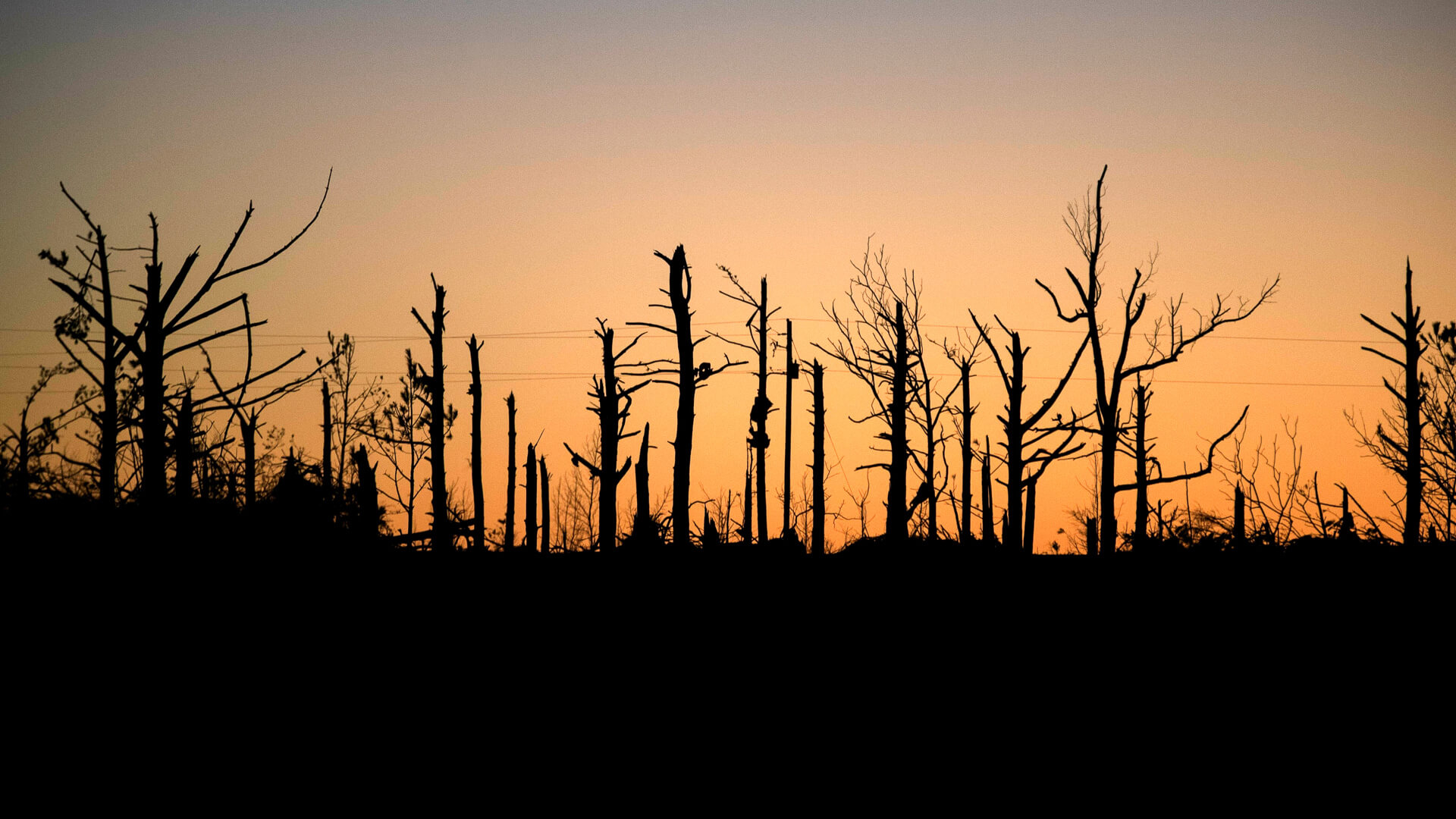 Just over midway through 2019, the U.S. has seen its share of Mother Nature’s wrath, with tornadoes, bitterly cold temperatures and floods topping the list. Take a look at major weather events that have hit the states — and the aftermath. Then brace yourself for more to come. 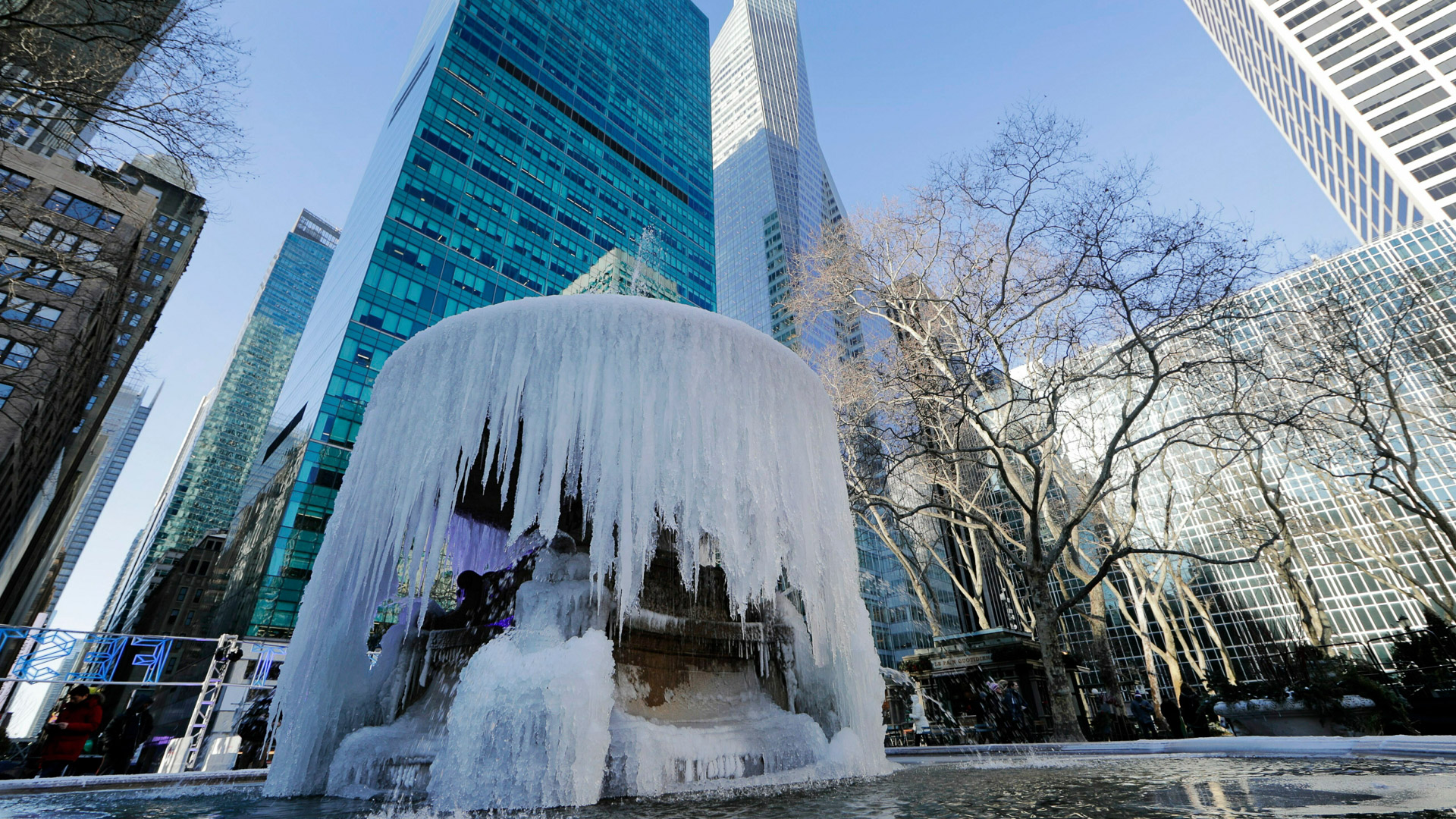 In January 2019, a polar vortex, aka frigid arctic winds, hit New York — after it dipped into the Midwest, where it affected Illinois, Minnesota, Iowa, Wisconsin and North Dakota. A polar vortex comes from the North Pole, bringing glacial weather. New Yorkers experienced bone-numbingly cold temperatures — as low as 3 degrees on January 21 and 31 — that lasted into February. 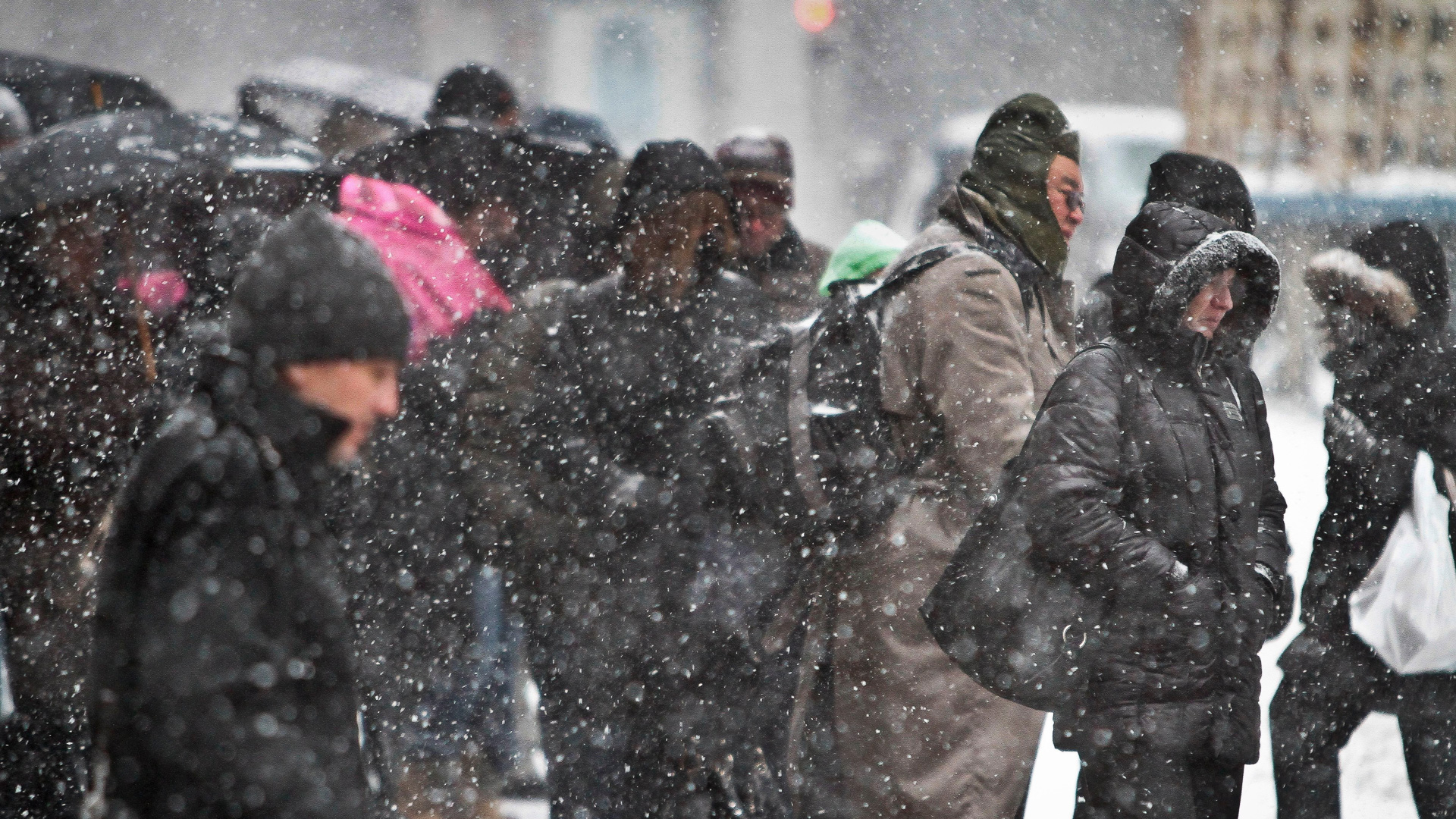 The results of the polar vortex weren’t pretty — on January 30 in Buffalo, a 19-car pileup (involving 16 passenger vehicles, a box truck and two tractor trailers, despite the fact that there was a ban on tractor trailers at the time) shut down part of the New York State Thruway. Many schools started late or closed, except in New York City. AccuWeather estimated the sub-zero weather in the U.S. this winter cost the economy $14 billion. 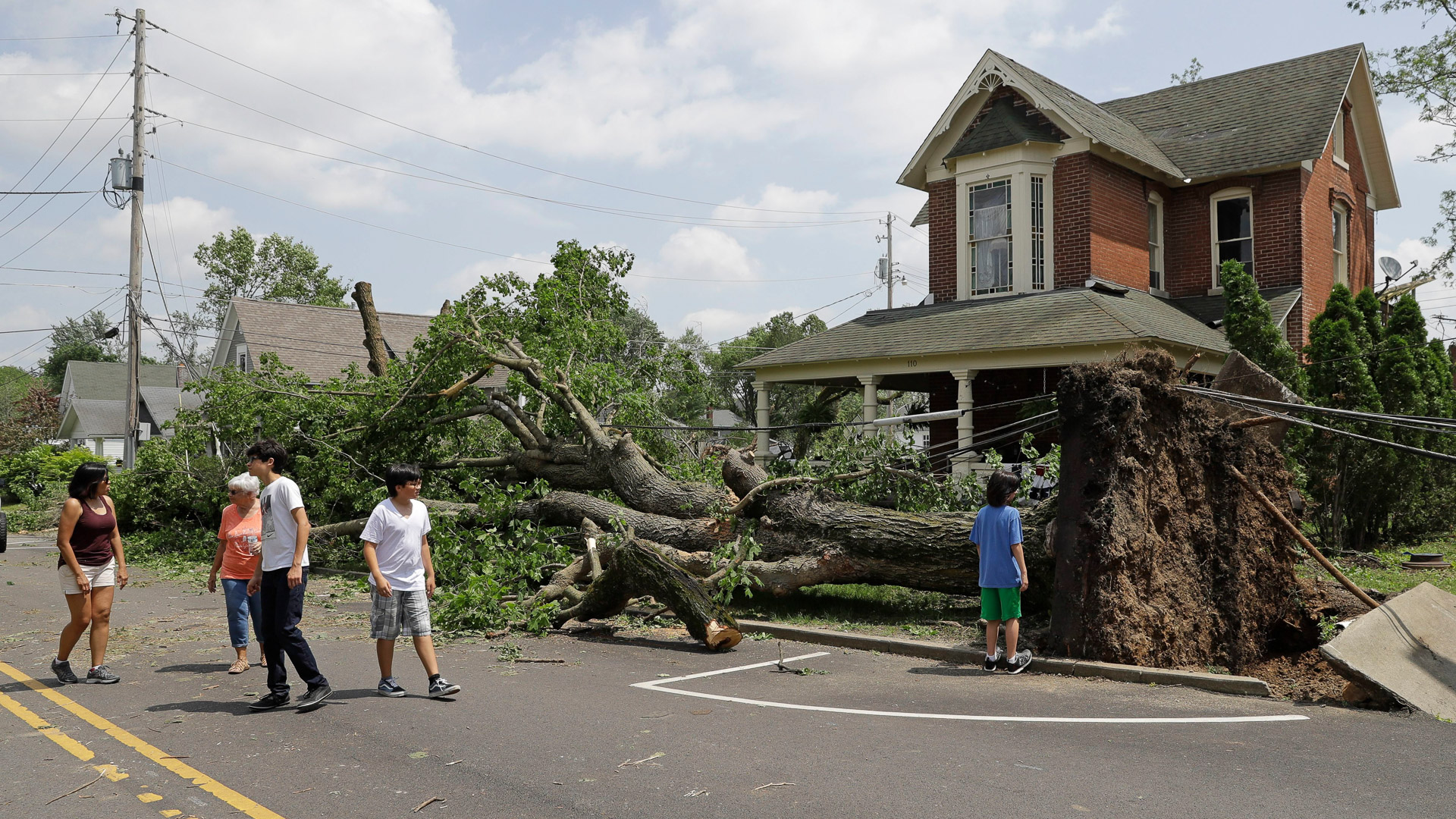 On Monday evening, May 27, 2019 — Memorial Day — an EF-2 tornado hit the town of Pendleton, Indiana, damaging properties and taking out power lines. The tornado wreaked plenty of havoc on the town before the storm system moved east, where it continued its destruction. 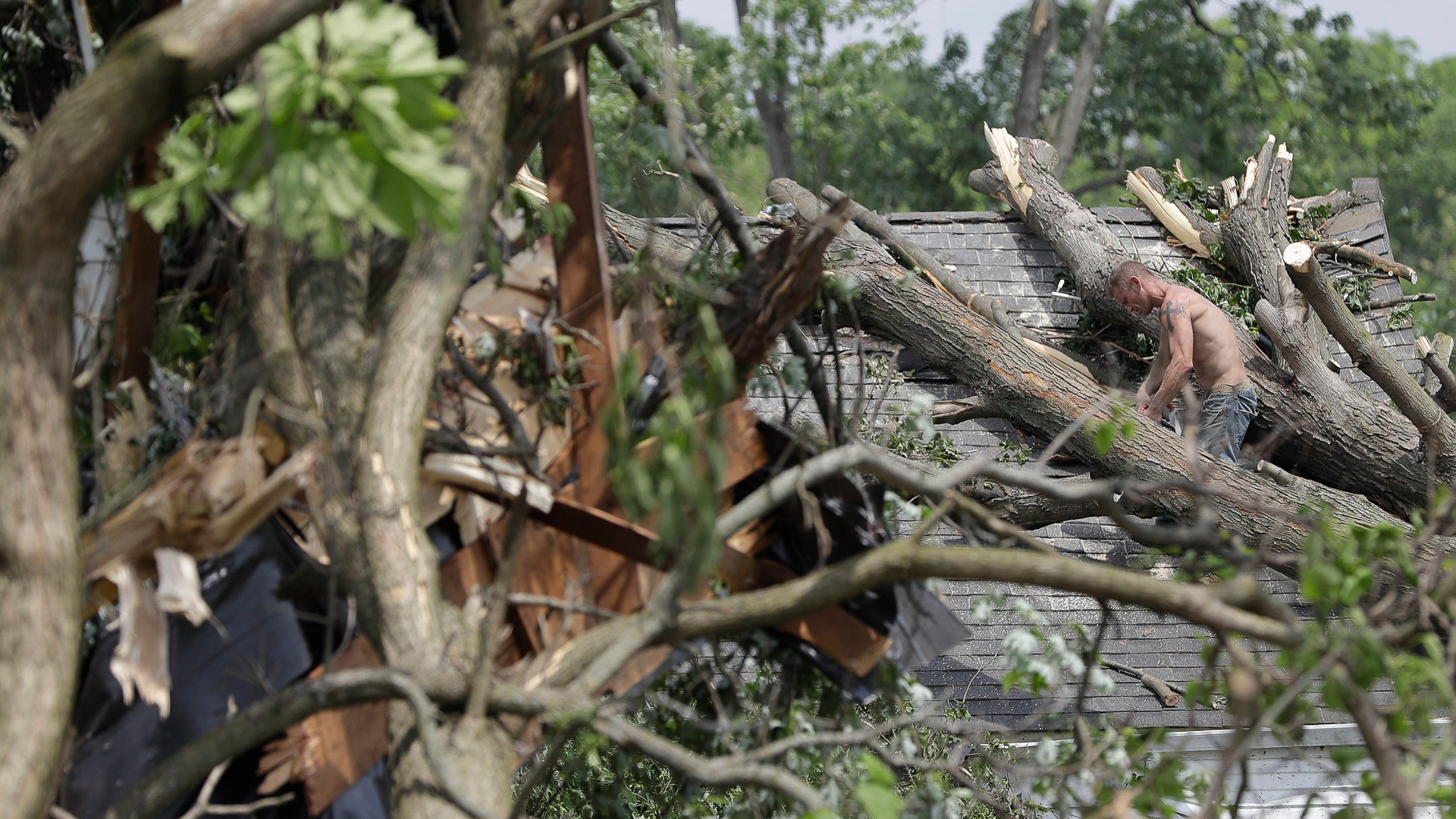 The tornado victims lost trees and homes, with approximately 500 structures damaged. The town closed down due to the damage, and the local high school served as a shelter. Many residents were evacuated because of downed power lines and a gas leak, and more than 4,000 people lost power. Officials thought the damage totals would fall short of the $10 million needed to qualify for federal disaster aid. 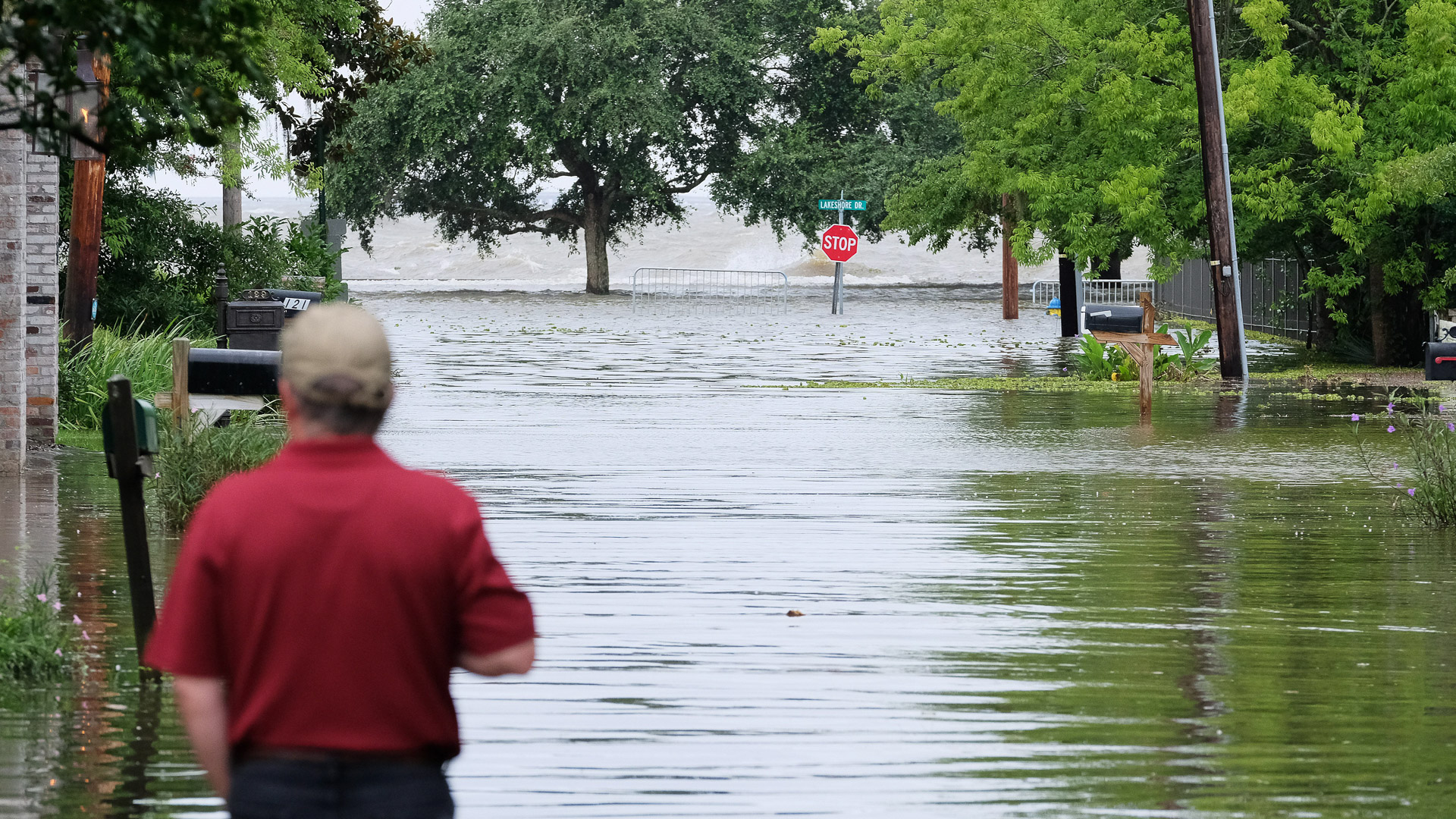 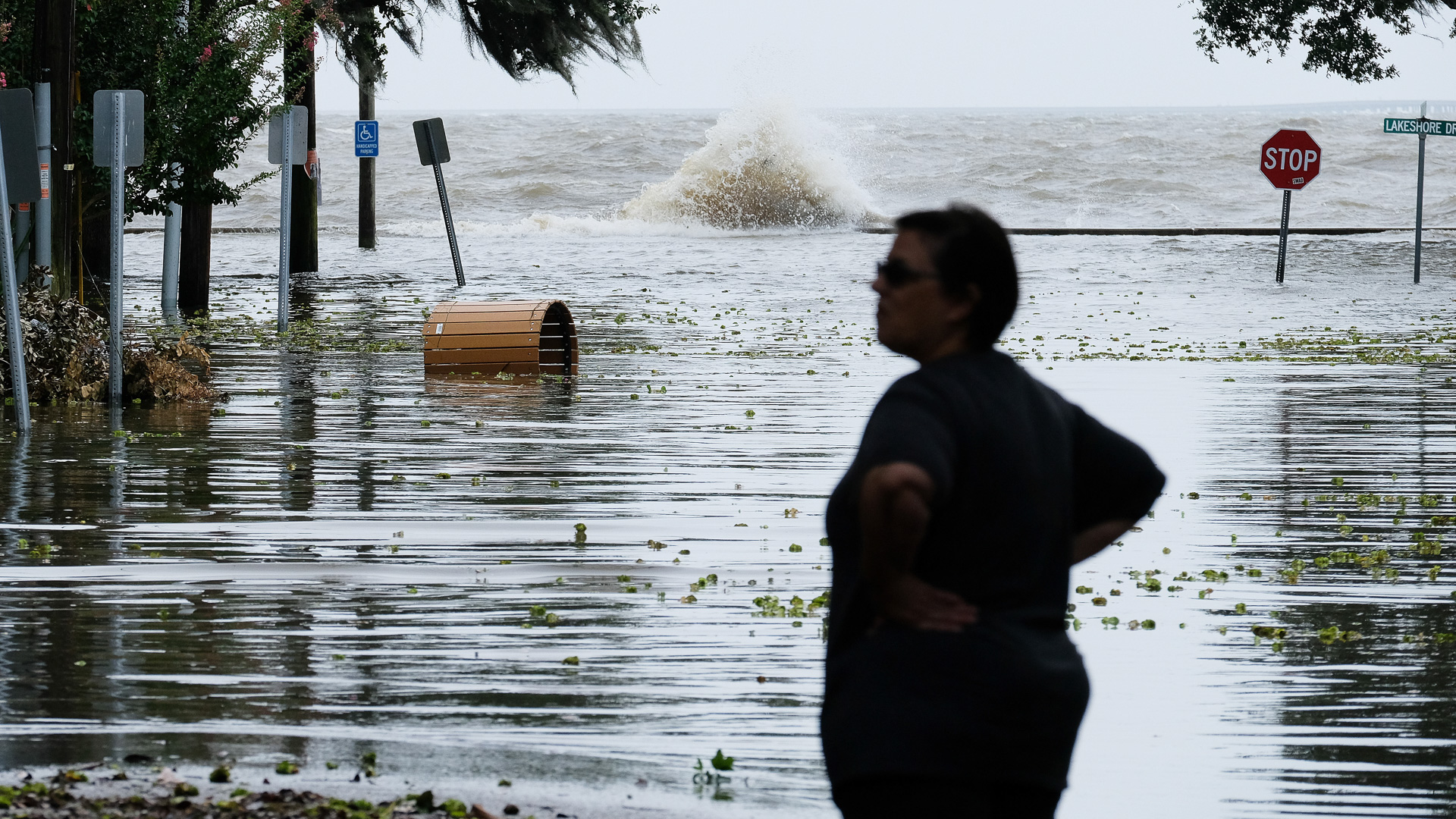 The Category 1 hurricane caused flooding across the area, damaging homes, leaving 67,000 people in Louisiana with no power and bringing with it alligators and snakes. The Humane Society flew more than 120 cats and dogs from shelters to safety.

No one died in the disaster, but the Coast Guard had to rescue 12 people. Overall losses from Hurricane Barry were expected to be no more than $500 million, according to catastrophe risk modeling firm Risk Management Solutions. 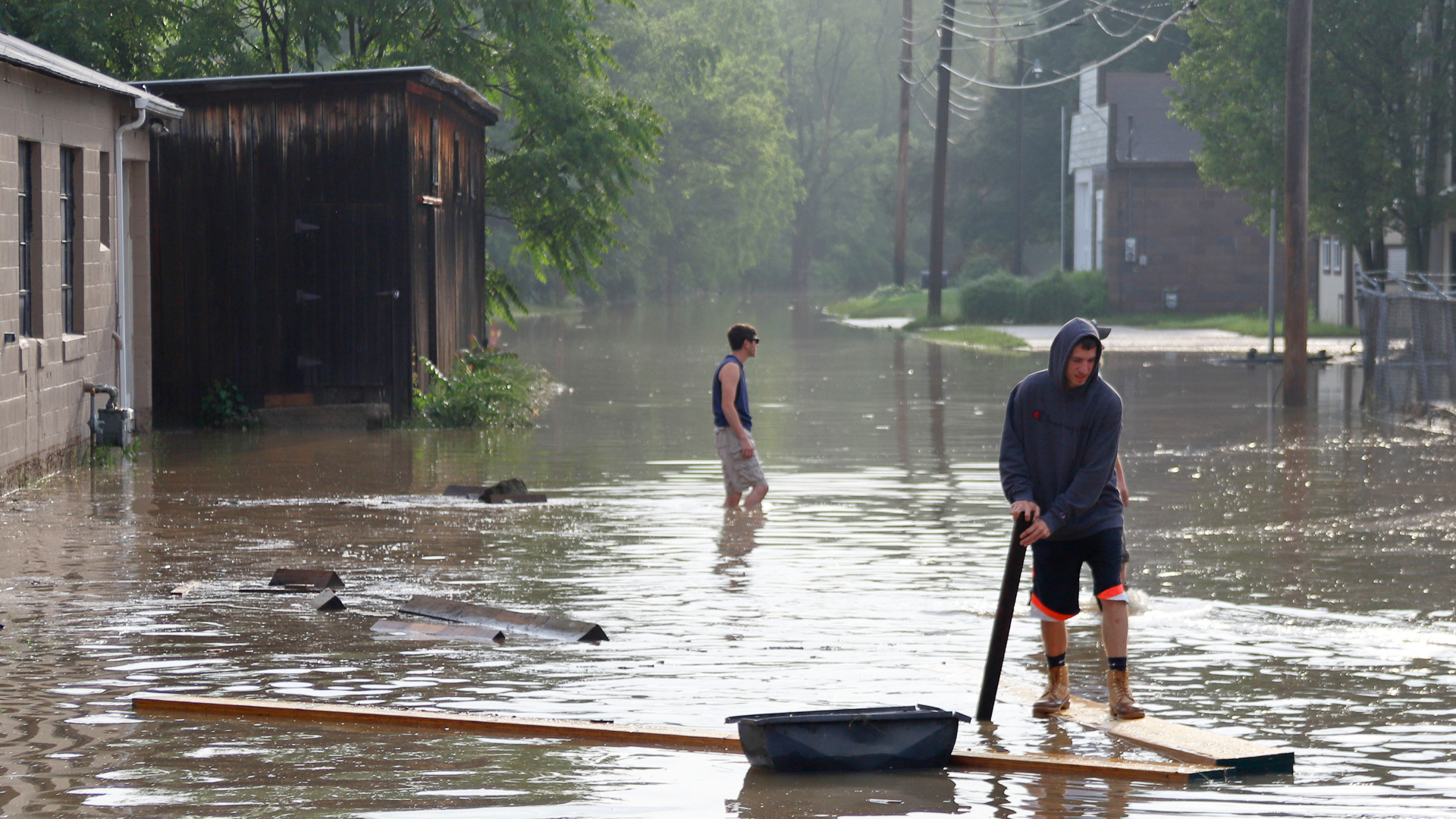 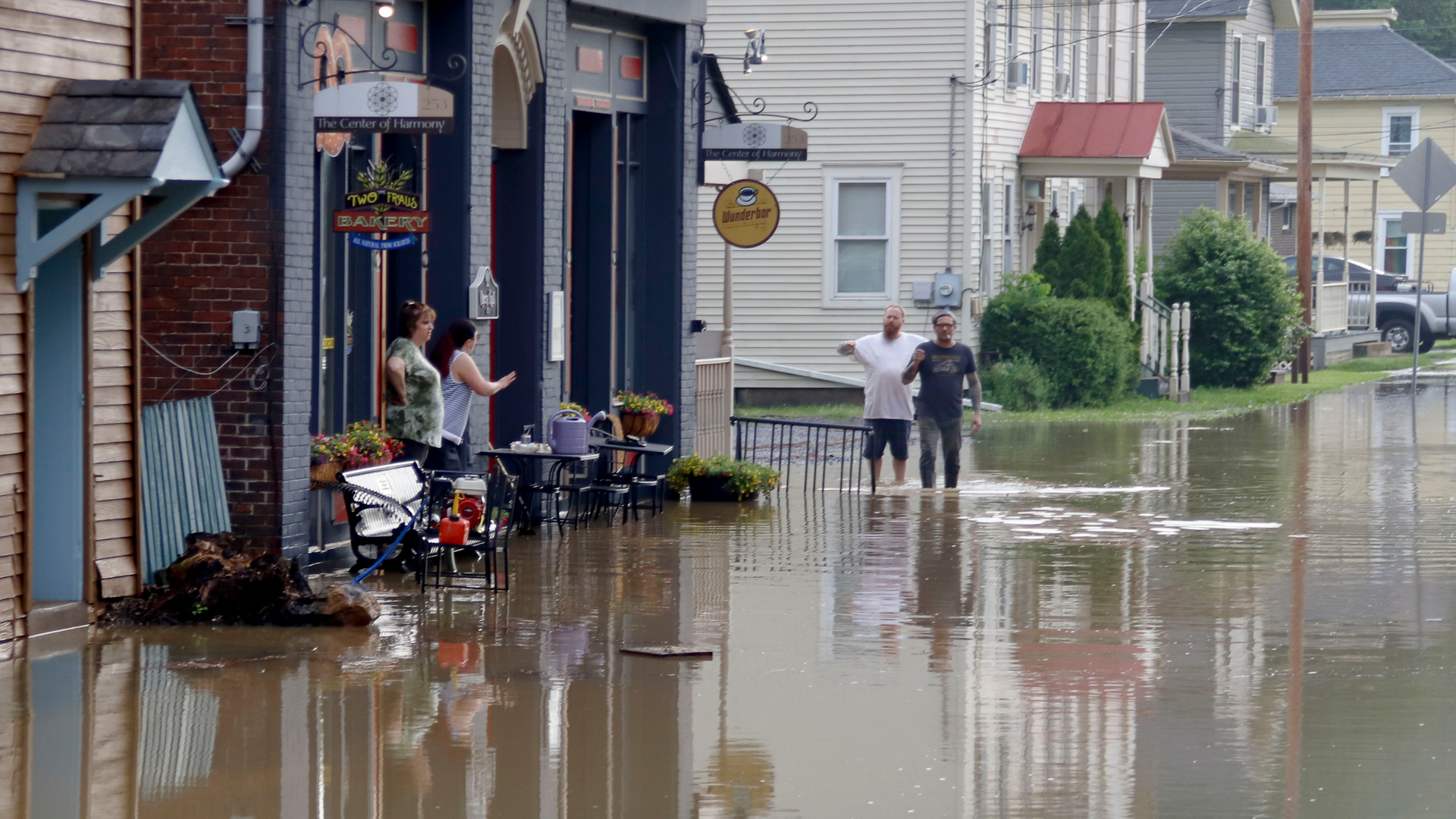 The floodwaters were knee-deep, and officials closed Hartmann Road, a route drivers use to get to Seneca Valley schools. Many residents lost homes to the flood and a great deal of people had to evacuate the area. Emergency crews helped rescue people, and many roads and townships were closed. Several communities have come together to solve the problem of persistent flooding, which they estimate will cost millions of dollars and years to address. 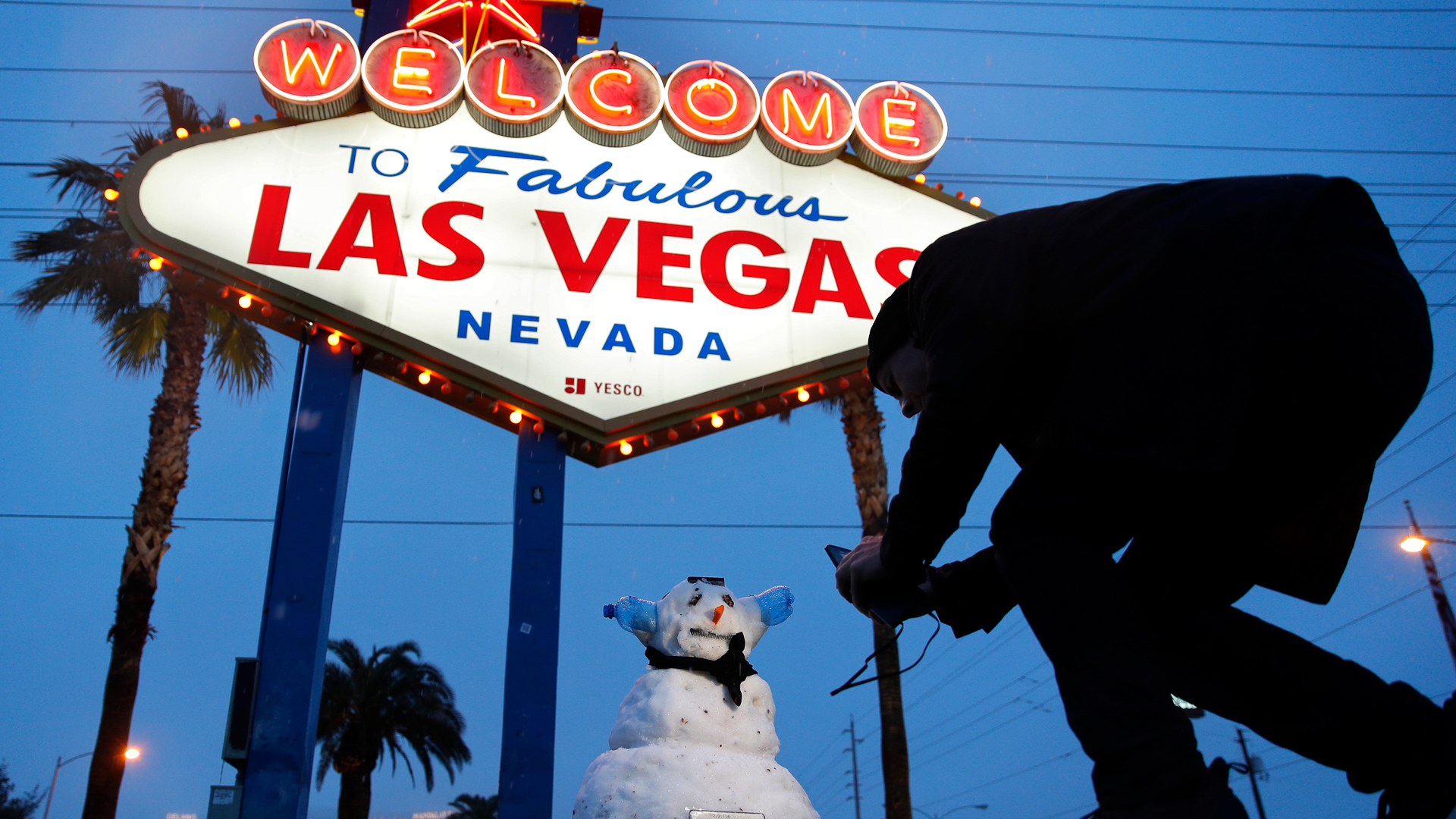 Although snow might not sound like a weather “event,” this is Las Vegas, which rarely even gets snow. Two “snowstorms” in one week — one on February 17, 2019, and one on February 20 that lasted into the morning of February 21 — were very unusual for the area. The second snowfall amounted to 0.5 inches, but areas west of the city got around 5.5 inches. 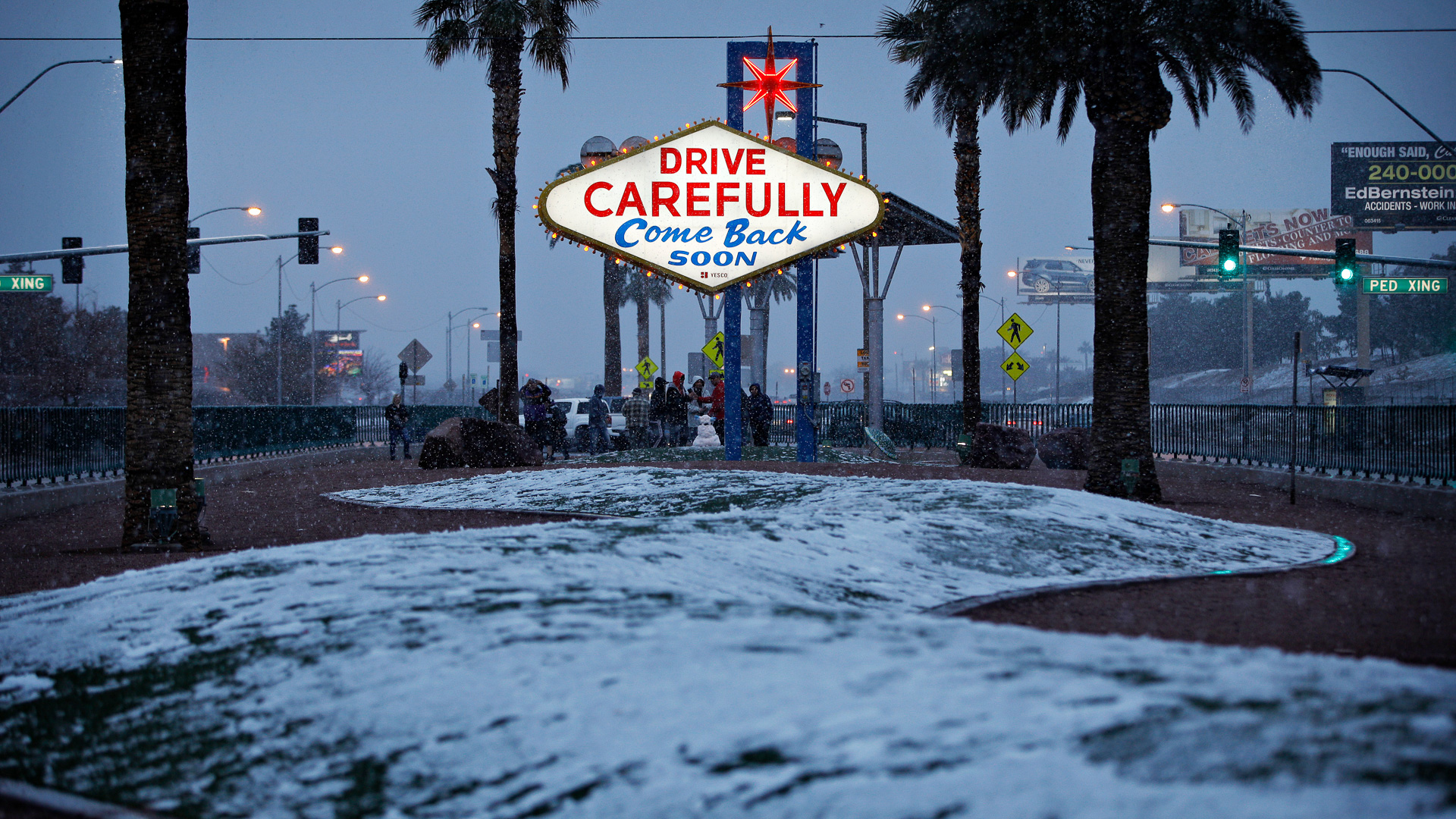 The city was hardly devastated by the weather. At first, the Clark County School District canceled classes Friday in case school buses didn’t fare well if the roads froze. As one might expect in this city, bookmakers took bets on how many inches would fall. 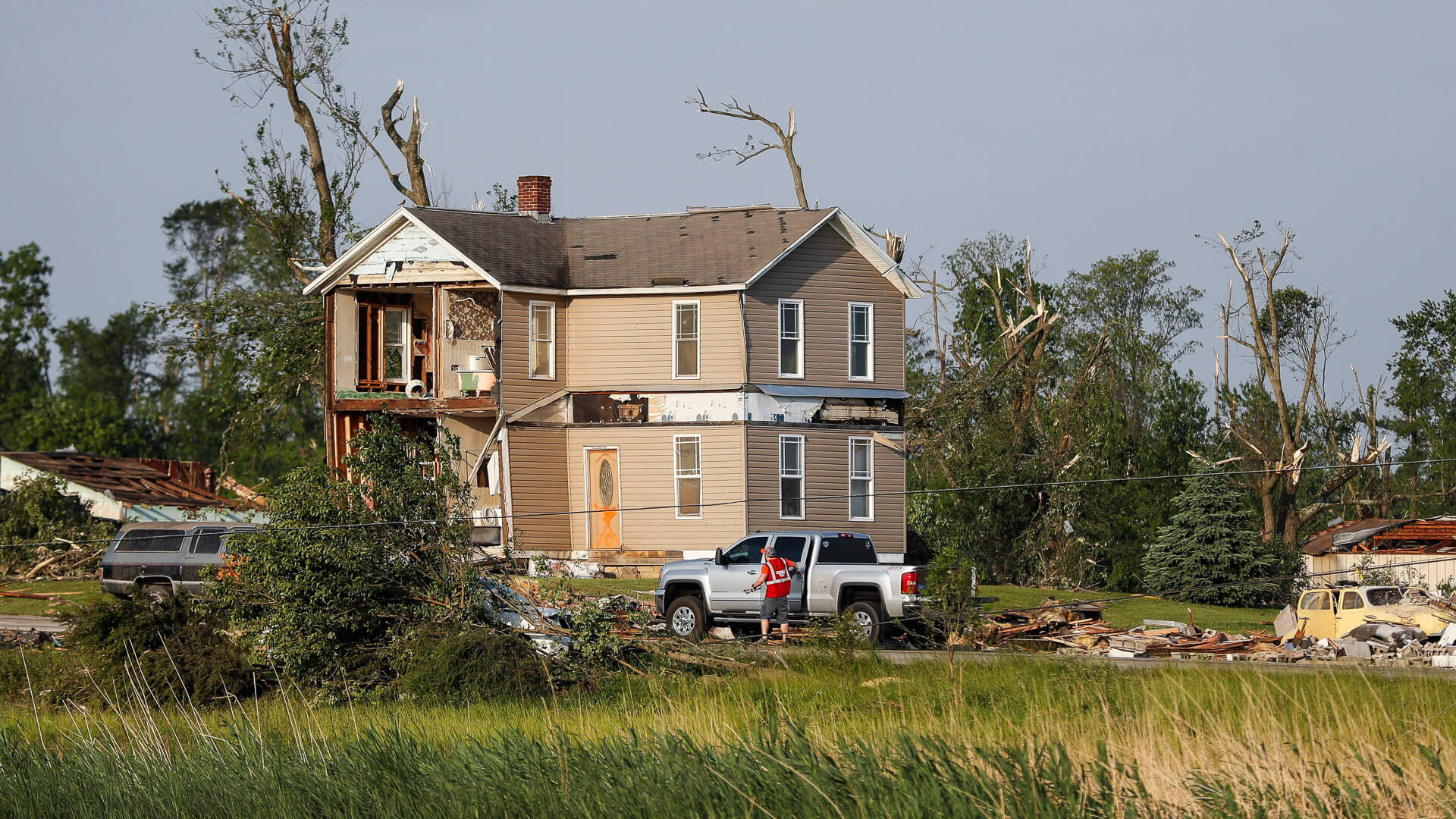 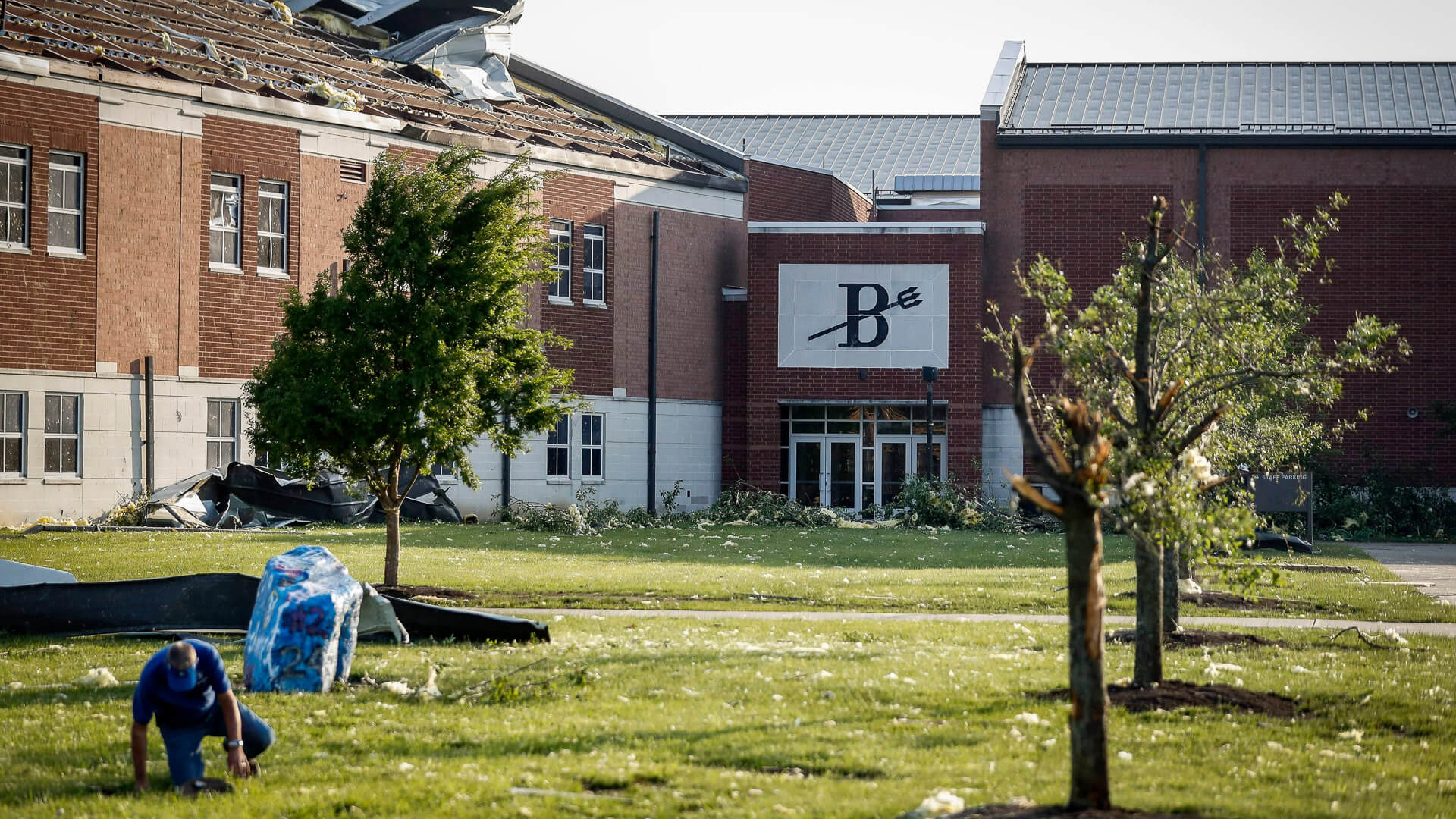 The storm damaged many homes and it hit a wastewater treatment plant that the city had to use a generator to power. The EF3 tornado also destroyed a business on Johnsville-Brookville Road. The city’s Wolf Creek overflowed and created a dam effect with debris. Brookville local schools were closed the next day. Residents and businesses in 10 Ohio counties affected by the Memorial Day storms became eligible for federal disaster aid in June. 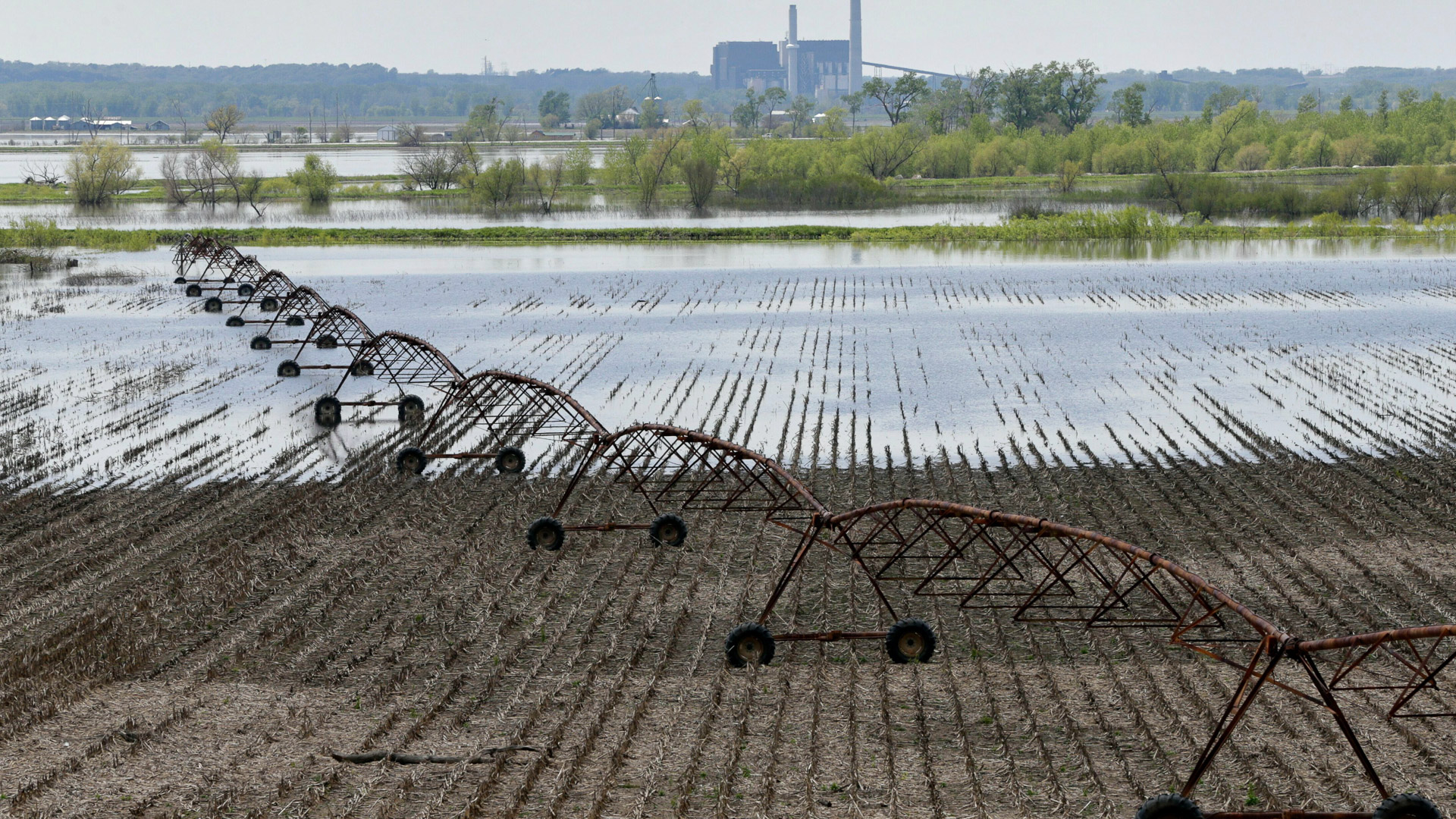 When a levee in Hamburg, Iowa, breached on March 18, 2019, the Missouri River flooded the city, causing the worst floodwaters the area had experienced. In anticipation of even more flooding, 11 residents used their own equipment to reinforce part of the wall, packing dirt and gravel on it to make it 3 feet higher. 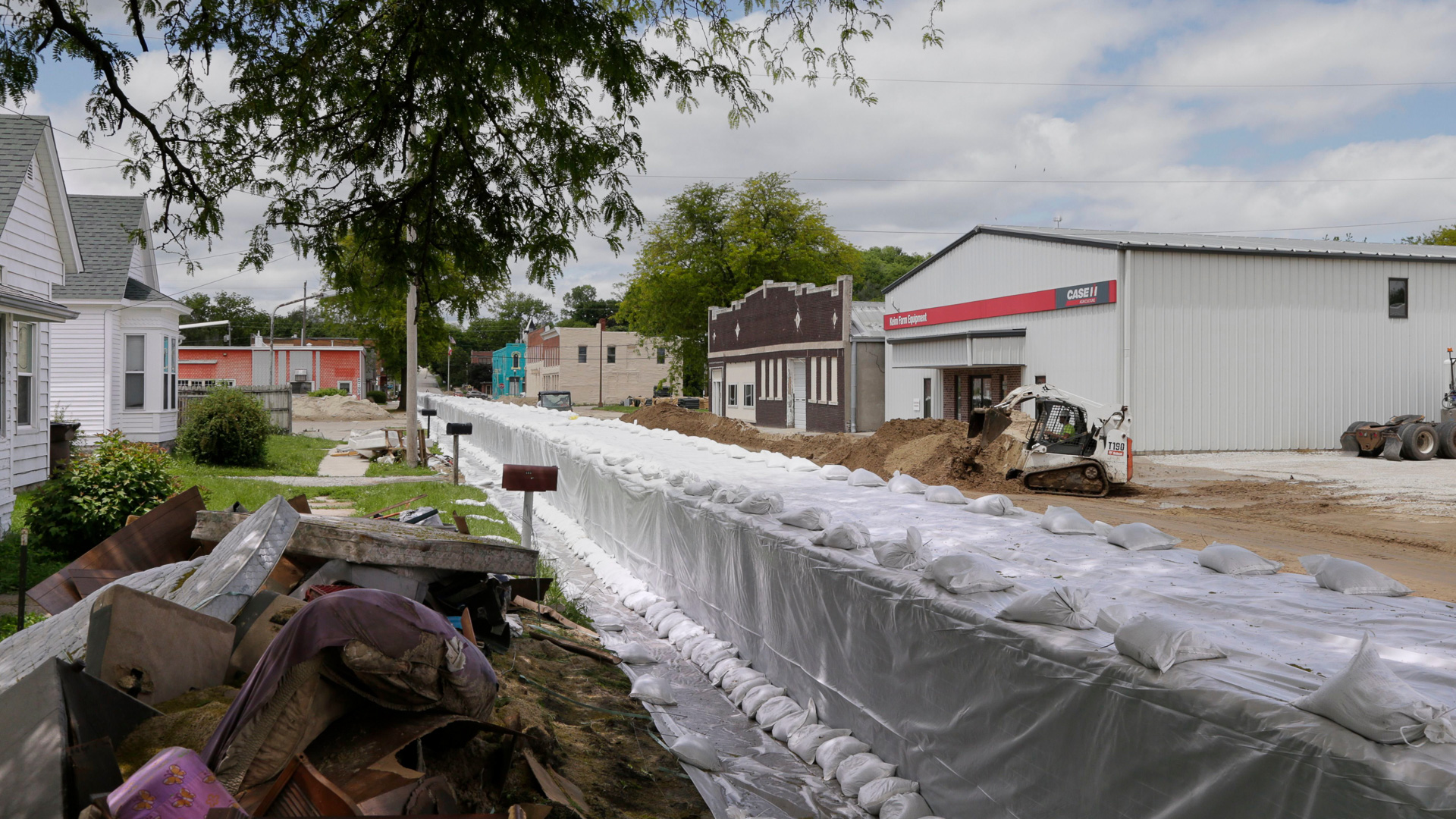 Because two-thirds of the city limits were underwater, many residents had to be rescued by boat. The local school served as a shelter for displaced residents who had lost everything.

The city, made up of 1,000 residents, had to borrow $2 million in an emergency while waiting for Congress to approve aid. The devastated town even asked for online donations to help rebuild. In March, Iowa Gov. Kim Reynolds estimated the flooding costs at $1.6 billion statewide. 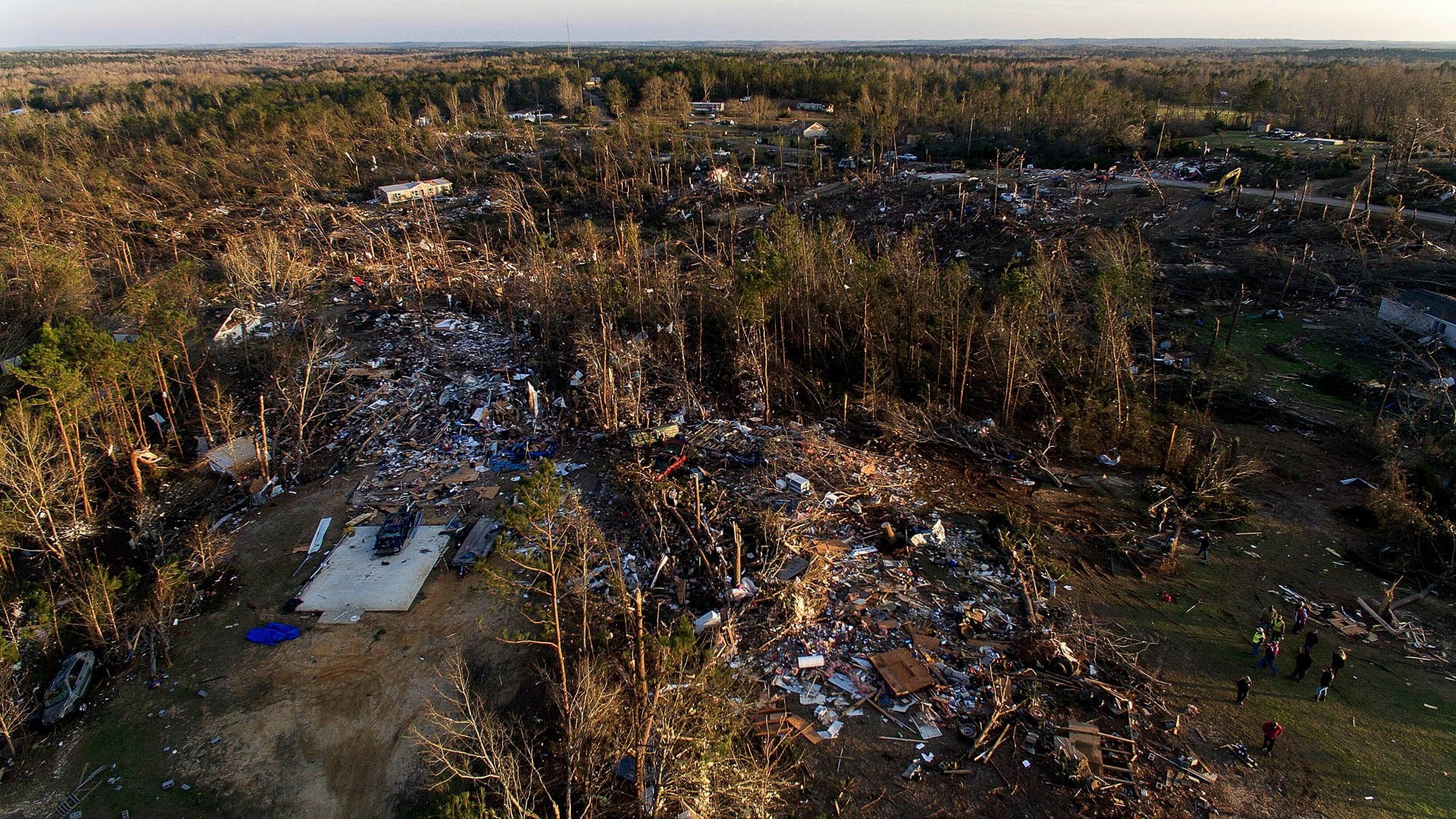 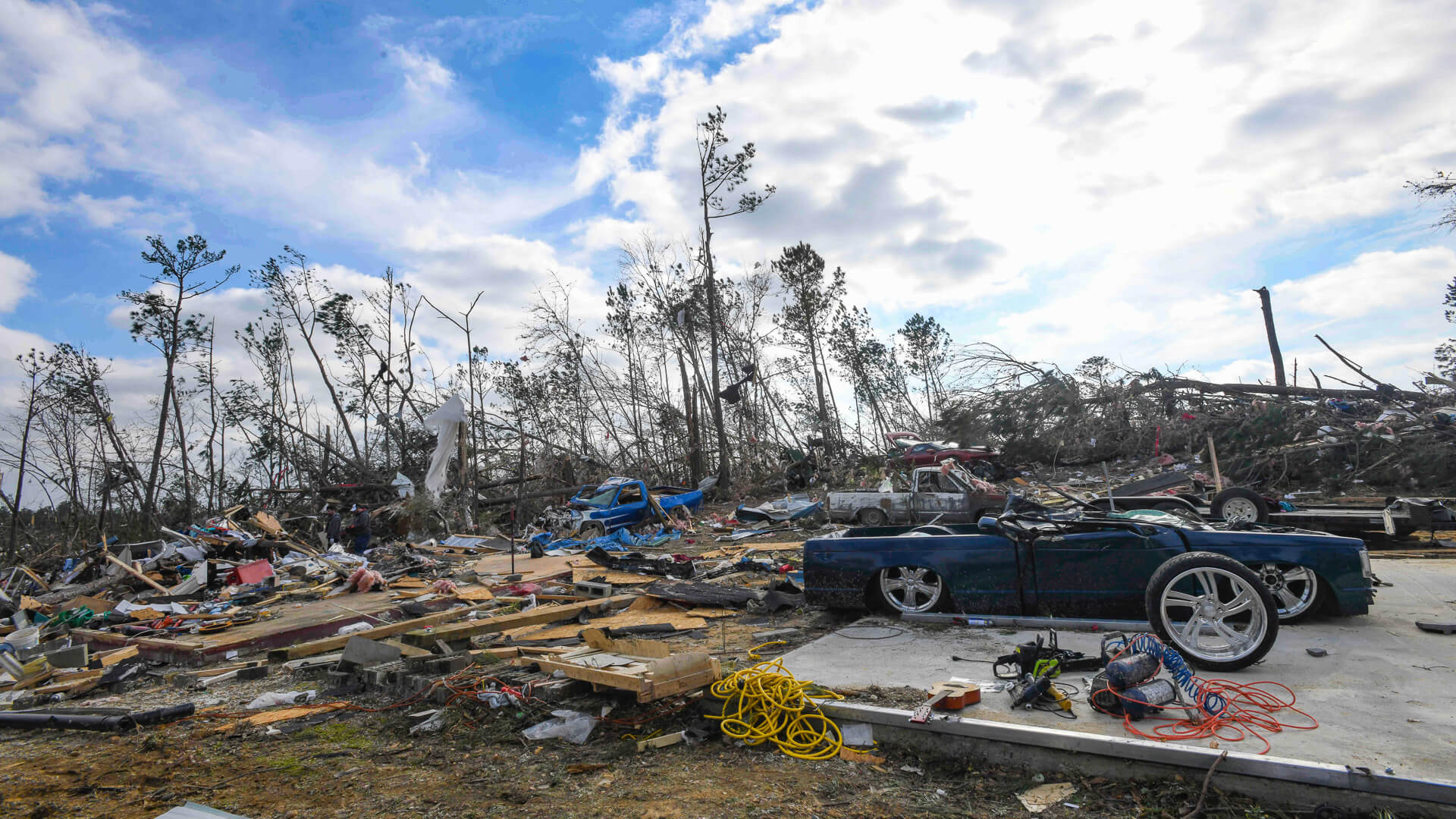 Twenty-three people, four of whom were children, died in the Beauregard tornado and at least 100 other people were injured. Students at Beauregard High School held a prayer service for the community.

Homes, vehicles and businesses were destroyed, and some trees that were still standing were stripped of their branches. The tornadoes that hit throughout the state on March 3 caused $5.87 million in damage to forest land. 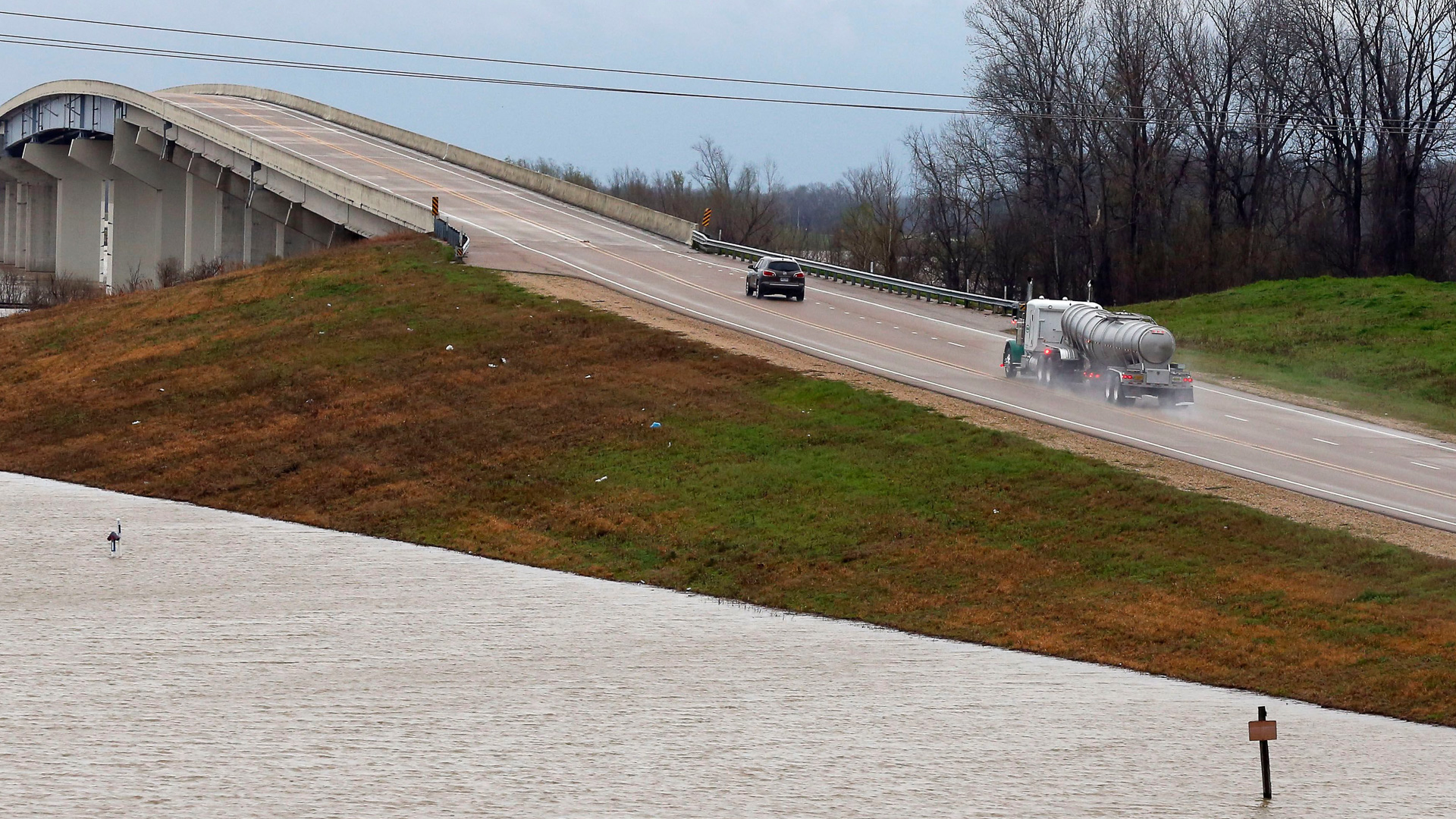 Redwood, Mississippi, experienced its worst flood since 1973 in March 2019 when unprecedented rainfall caused the Mississippi River to stay above flood stage. The flooding also spread to an area north of Vicksburg, Missouri, called Eagle Lake, where many residents had to be evacuated. 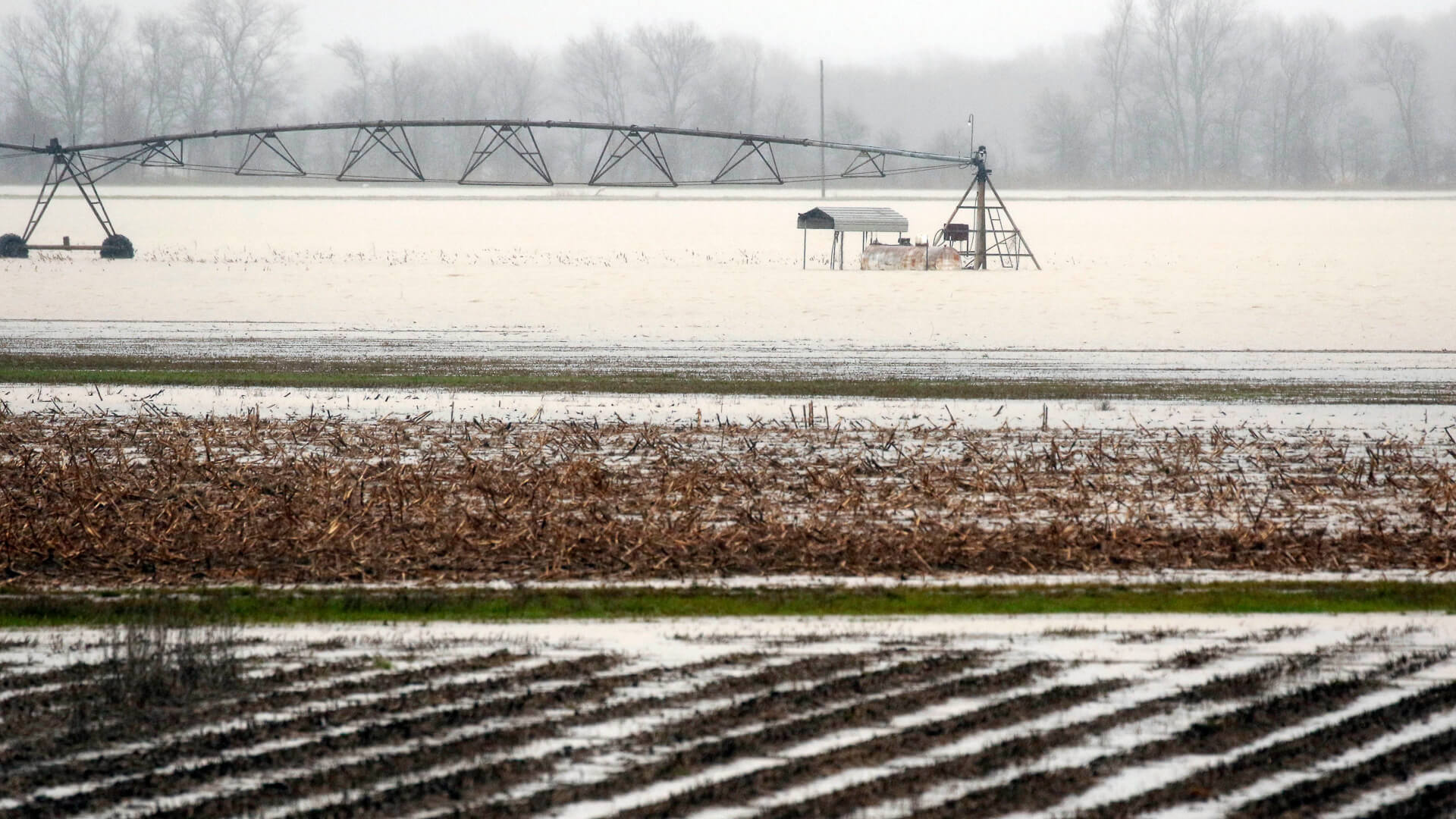 Approximately 544,000 acres of land were underwater, and many homes and businesses were damaged. The damage was estimated at somewhere in the tens of millions of dollars. Some homes were flooded for months before owners got relief.

Farmers couldn’t plant on the 250,000 agricultural acres that were affected, causing them a severe income loss. Gov. Phil Bryant declared a state of emergency. 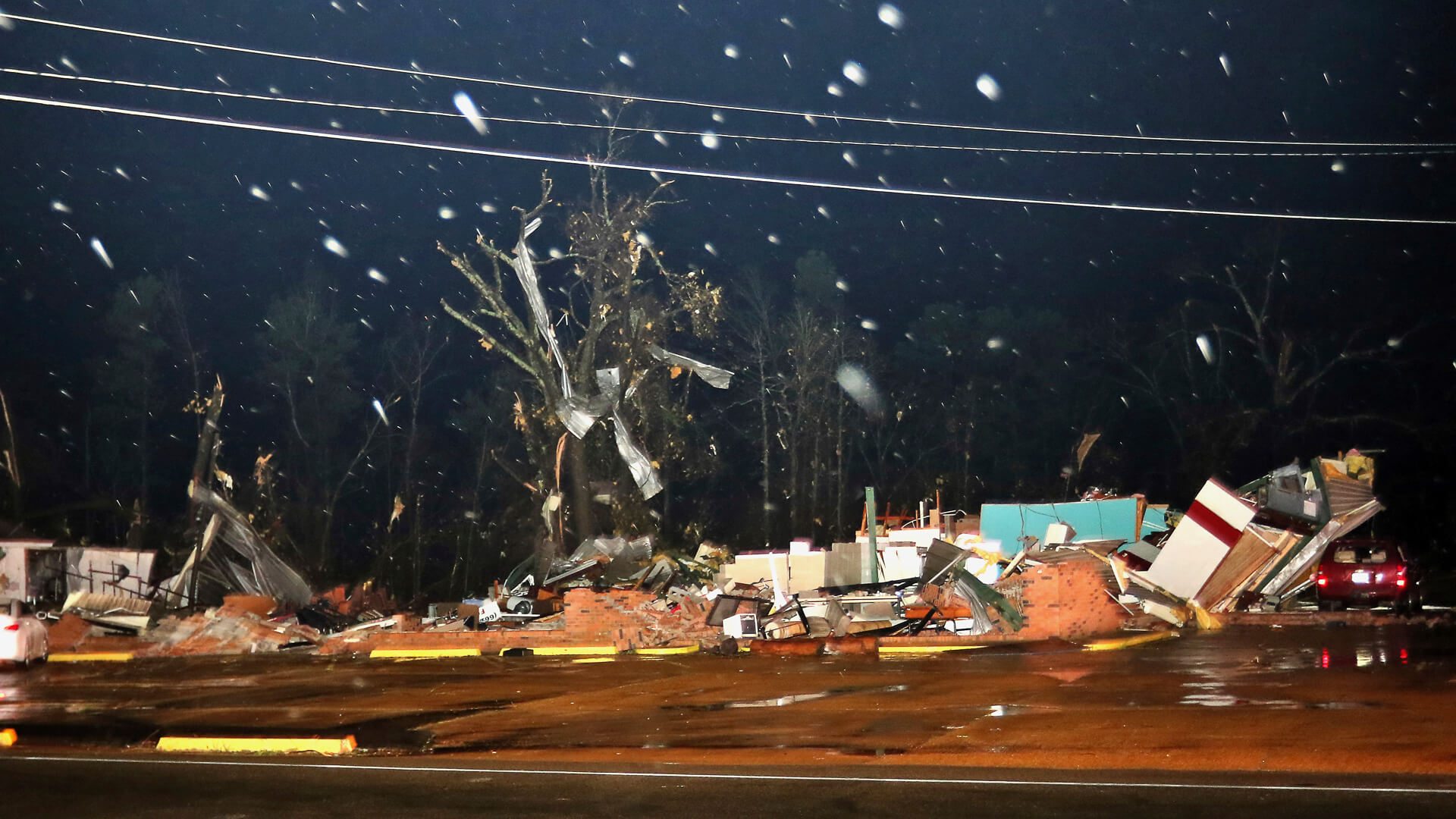 The Columbus, Mississippi, tornado began with a series of thunderstorms on February 23, 2019, causing widespread damage. Dangerous weekend storms hit 20 counties in the area. 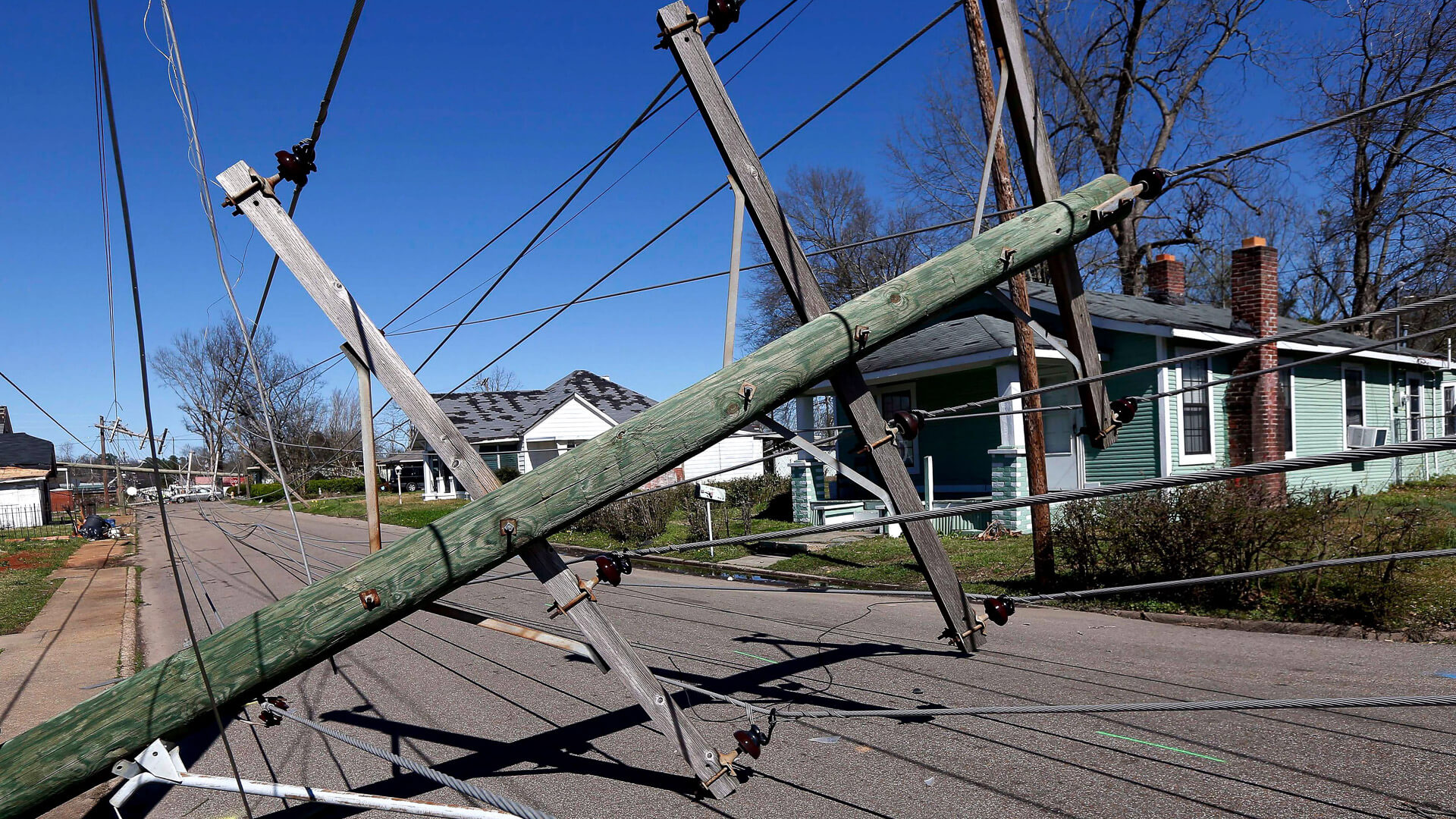 This twister marked the first tornado-related death of 2019 when a building collapsed, killing one woman and injuring 12 others. It tore the roofs and outer walls from homes, downed power lines and trees, and flipped a car into a ditch. All told, the 20-county area sustained damage to at least 190 bridges and roads, 300 homes and 30 businesses. 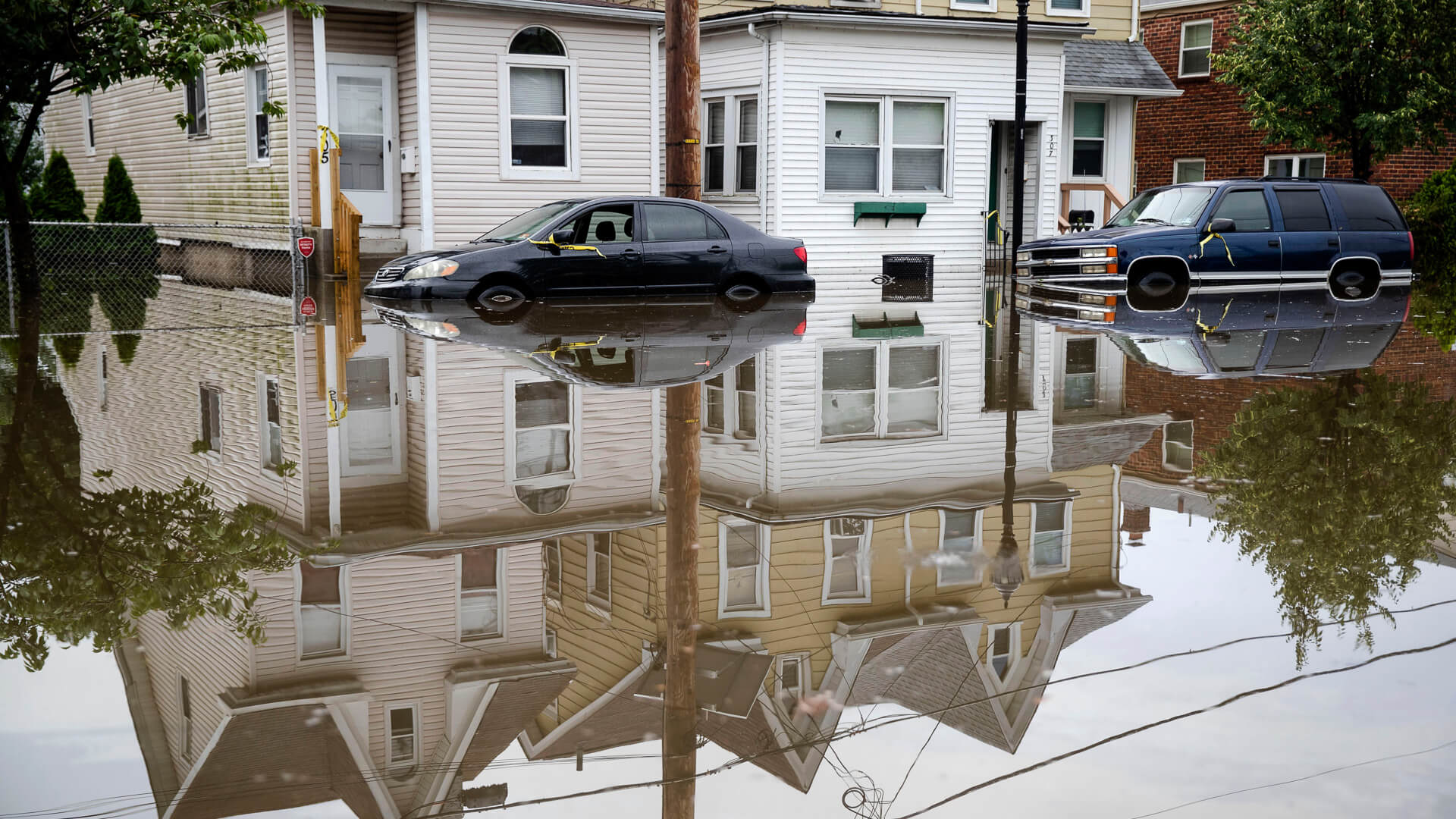 A torrential downpour hit Westville, a town in South Jersey, on June 19 and 20, 2019. The storm dumped 5 to 8 inches of rain and affected several surrounding counties. The flash flooding turned Westville’s streets into rivers, submerging many cars, and sparked a mandatory evacuation. 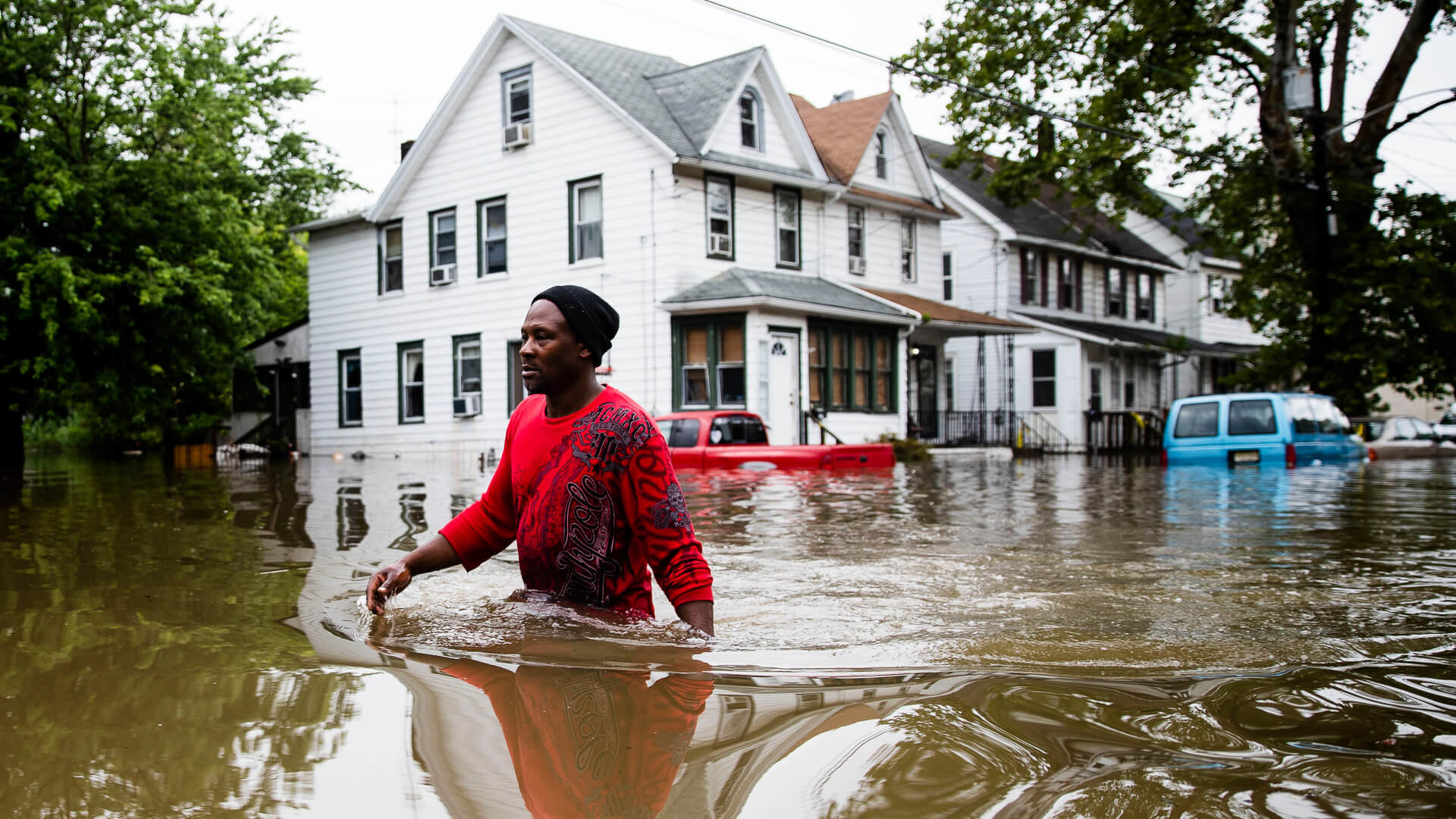 People and pets had to be rescued from their homes in boats by first responders. Flooded roads and highways caused major traffic delays, while authorities closed roads and the regional rail service. Gov. Phil Murphy activated the State Emergency Operations Center and declared a state of emergency in several counties. 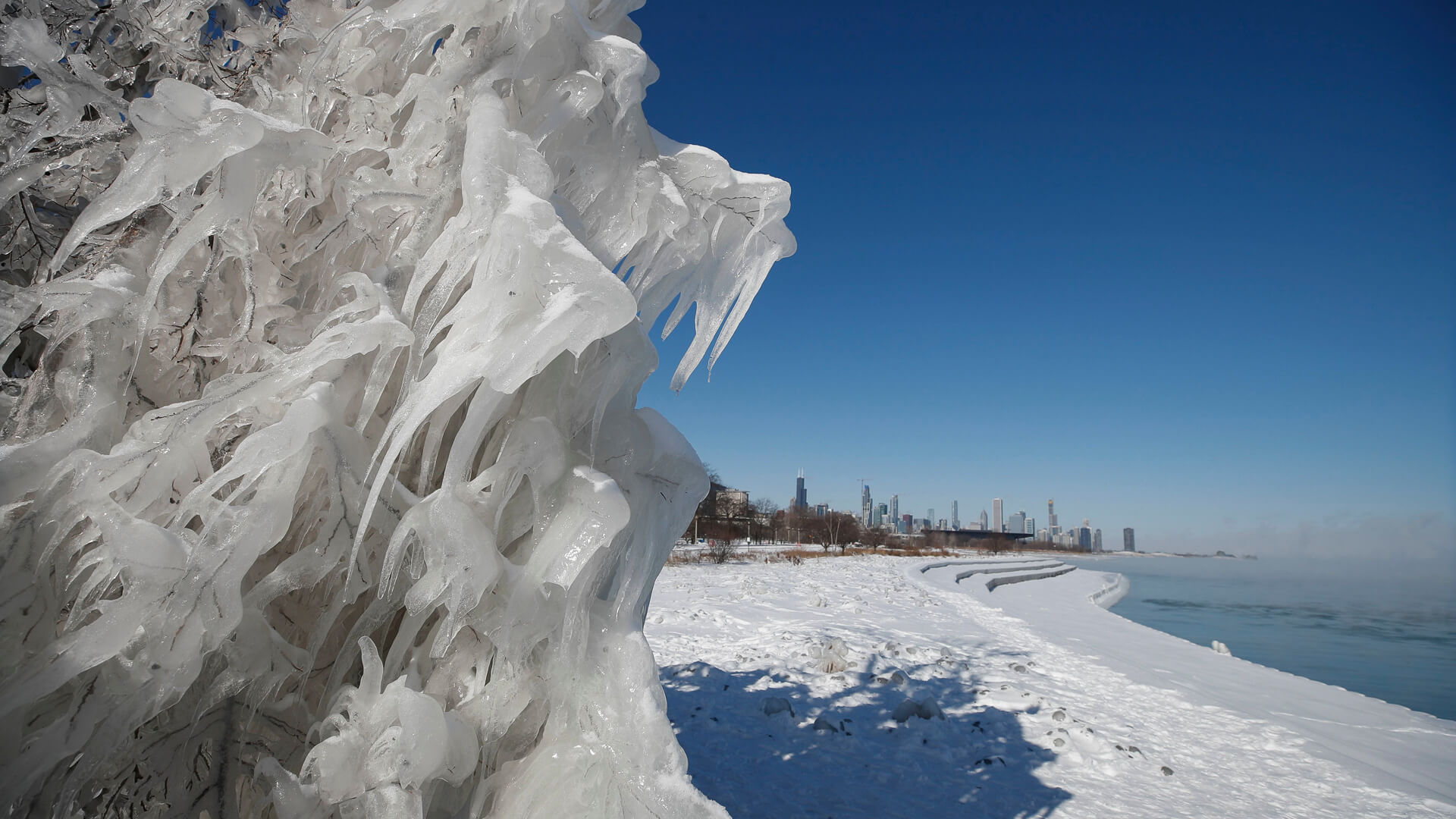 When the polar vortex visited the Midwest, Chicago was particularly hard hit when temperatures fell to minus 23 degrees on Wednesday, January 30, 2019, and minus 21 degrees on Thursday. The massive whirlpool of frigid arctic air affected areas from the Dakotas to West Virginia, with the lowest temperatures spanning from Minnesota to Ohio. 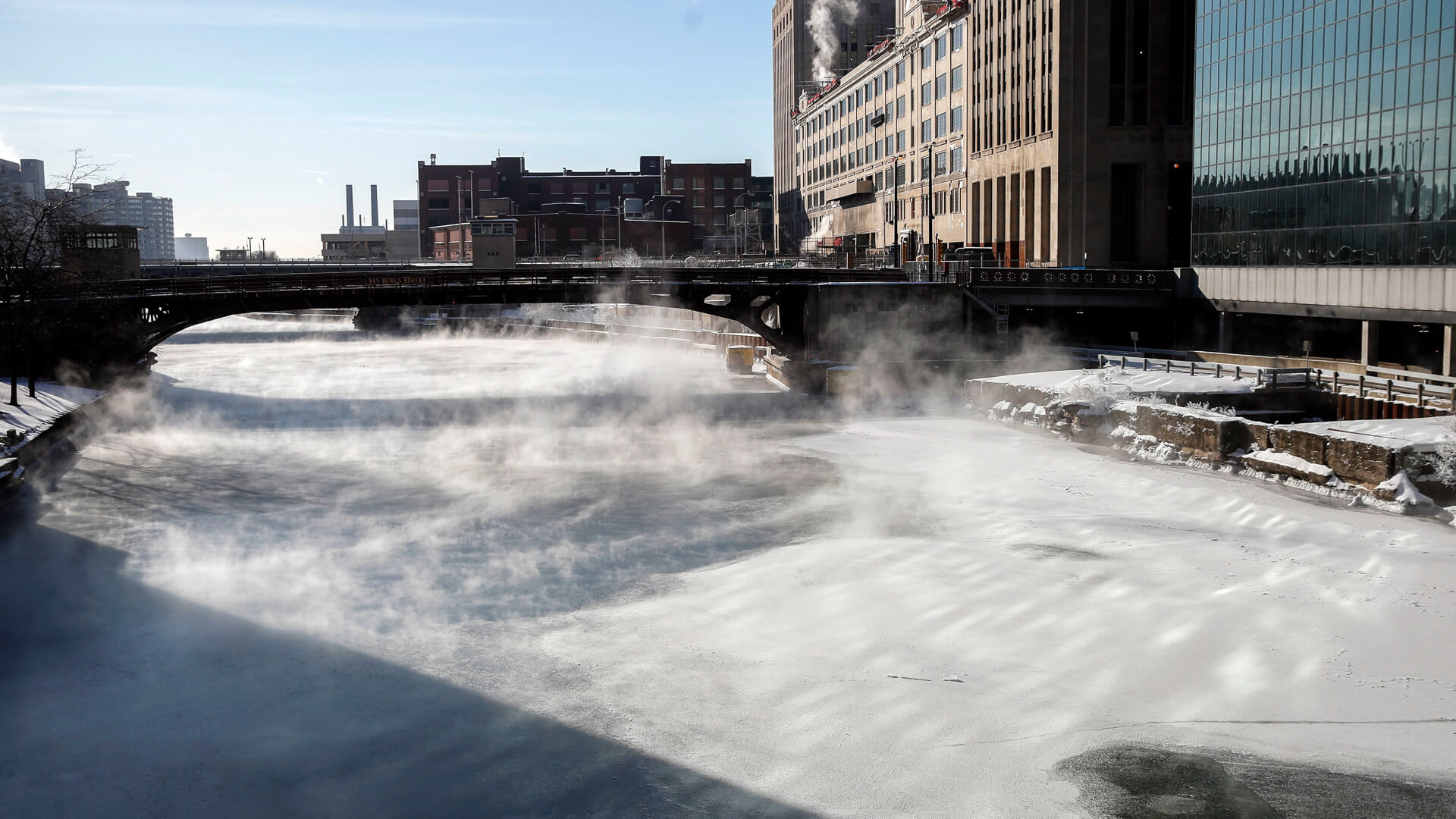 Even a city that is used to inclement weather was paralyzed by the polar vortex. Commuters experienced long delays due to road closures, flights were canceled, train lines were suspended and businesses, government offices and schools were closed. The governor declared a state of emergency in Illinois.

Click through to find out how much extreme weather costs taxpayers.