All the Fights Between Debate Candidates on Social Security, Taxes and Campaign Fundraising 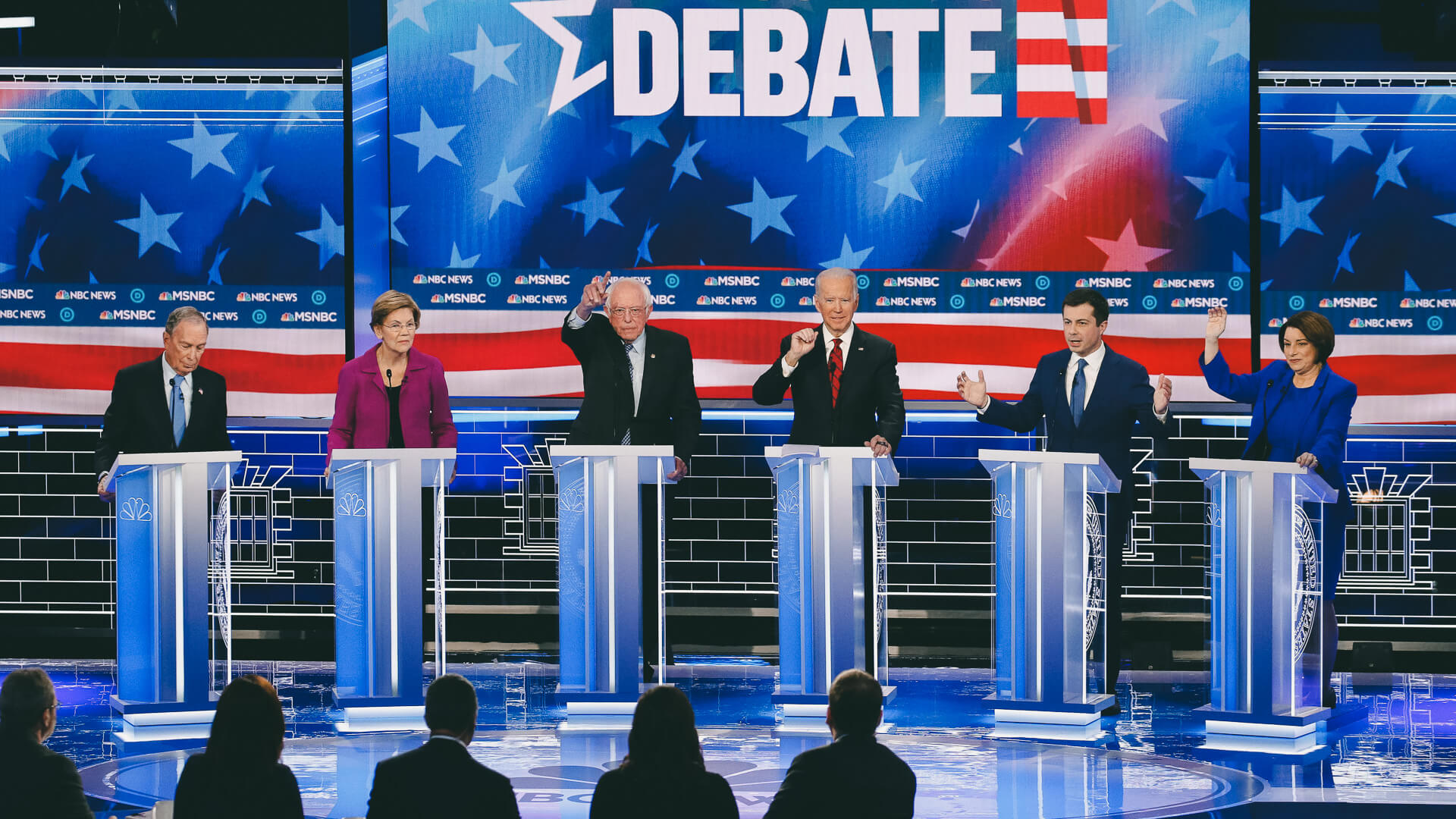 On Feb. 25, six Democratic presidential candidates are expected to take the stage in Charleston, South Carolina: Joe Biden, Mike Bloomberg, Pete Buttigieg, Sens. Amy Klobuchar, Bernie Sanders and Elizabeth Warren. These candidates have proposed reforms to Social Security, taxes and campaign fundraising laws, but — despite belonging to the same party — their ideas about these three pressing financial topics don’t always align. Here’s exactly what each of these candidates is proposing — and what they’ve said about their opponents’ plans. 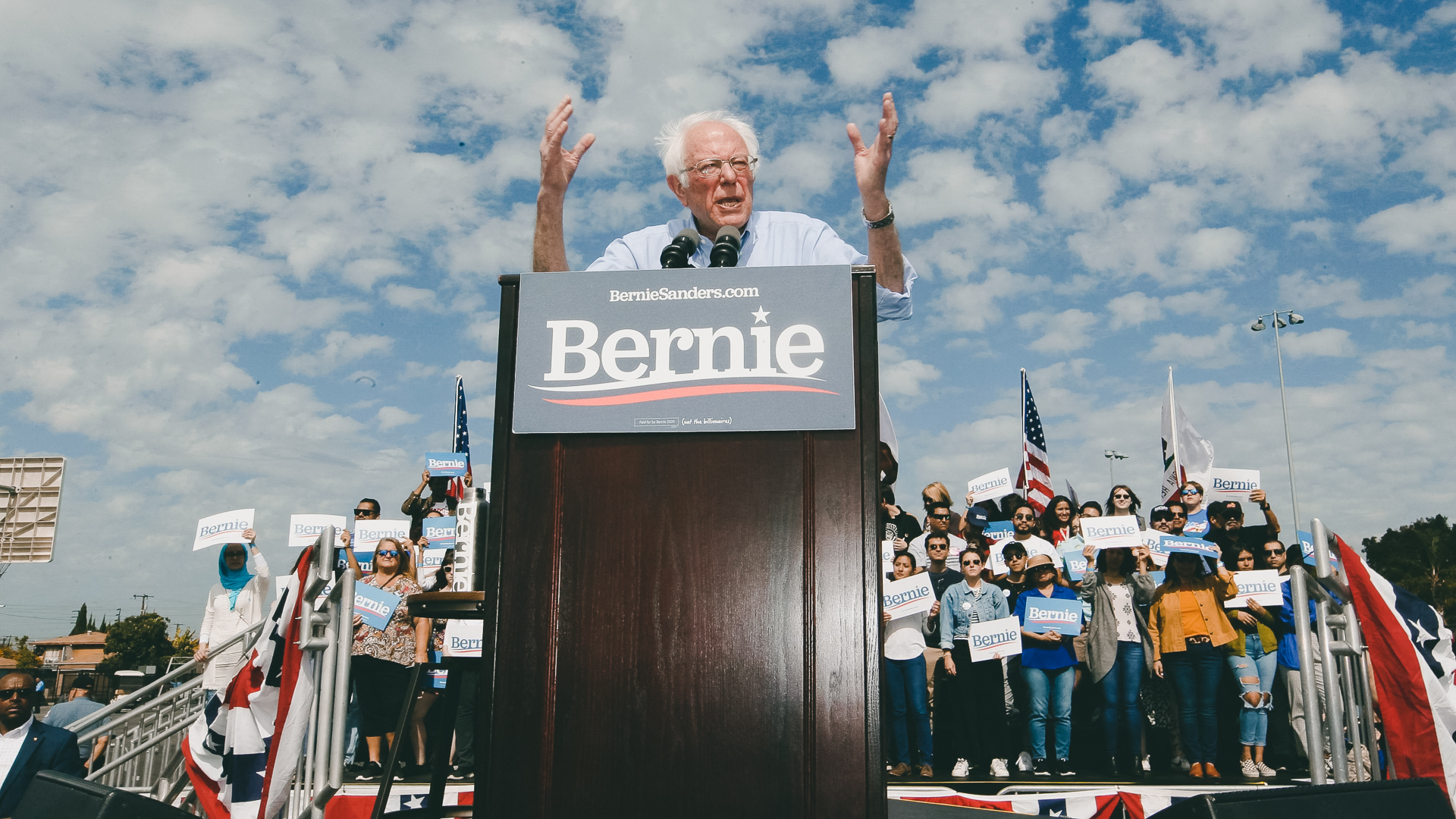 As it stands, the Social Security program is set to face a funding shortfall by 2035, CNBC reported. The House Democrats are currently pushing for reform through the Social Security 2100 Act, but many of the presidential candidates have their own ideas for how to fix the program before it runs out of funds. 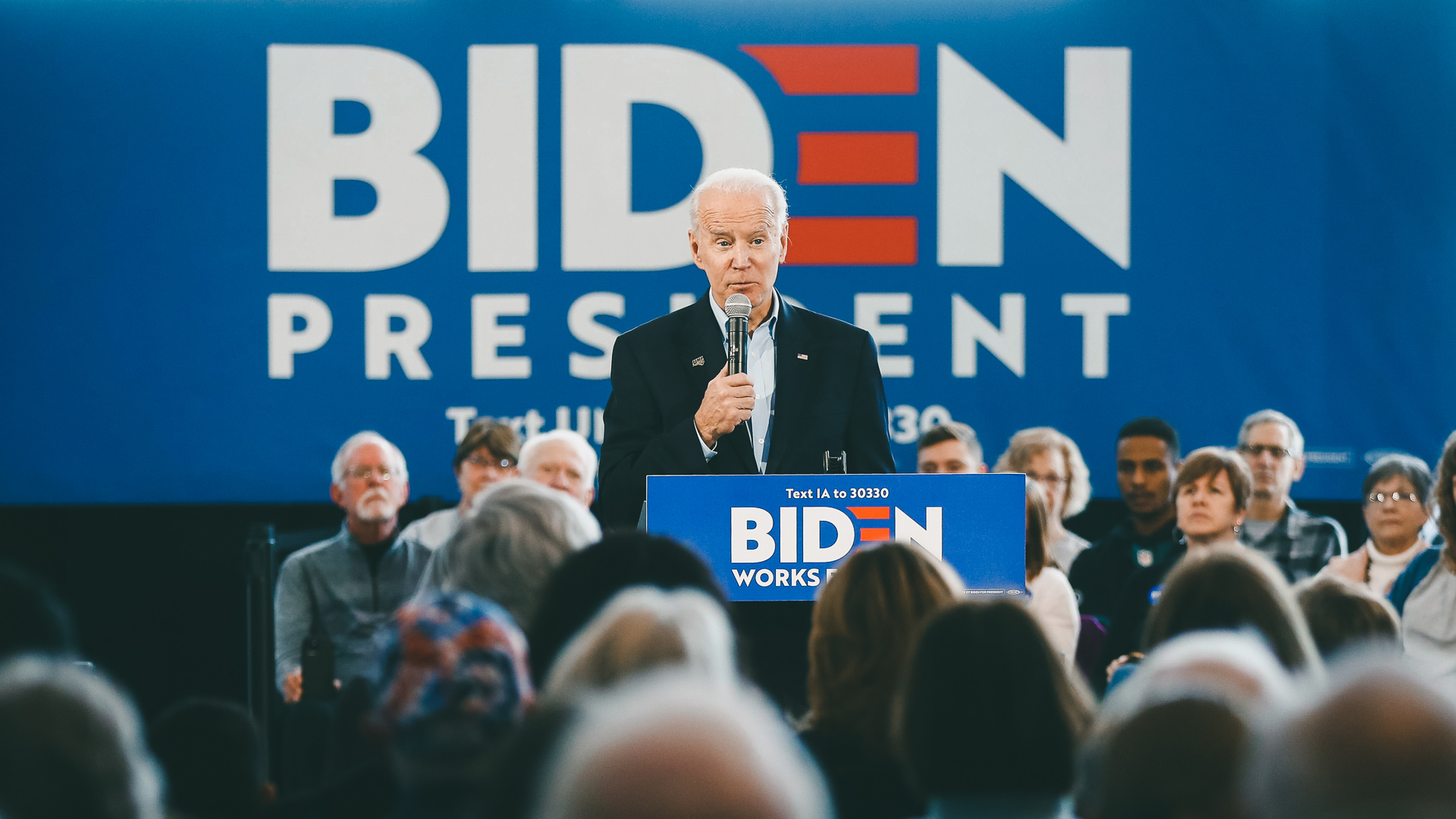 Biden has outlined a “Biden Plan” that includes a number of action items to preserve and strengthen Social Security. His plan calls for the following: 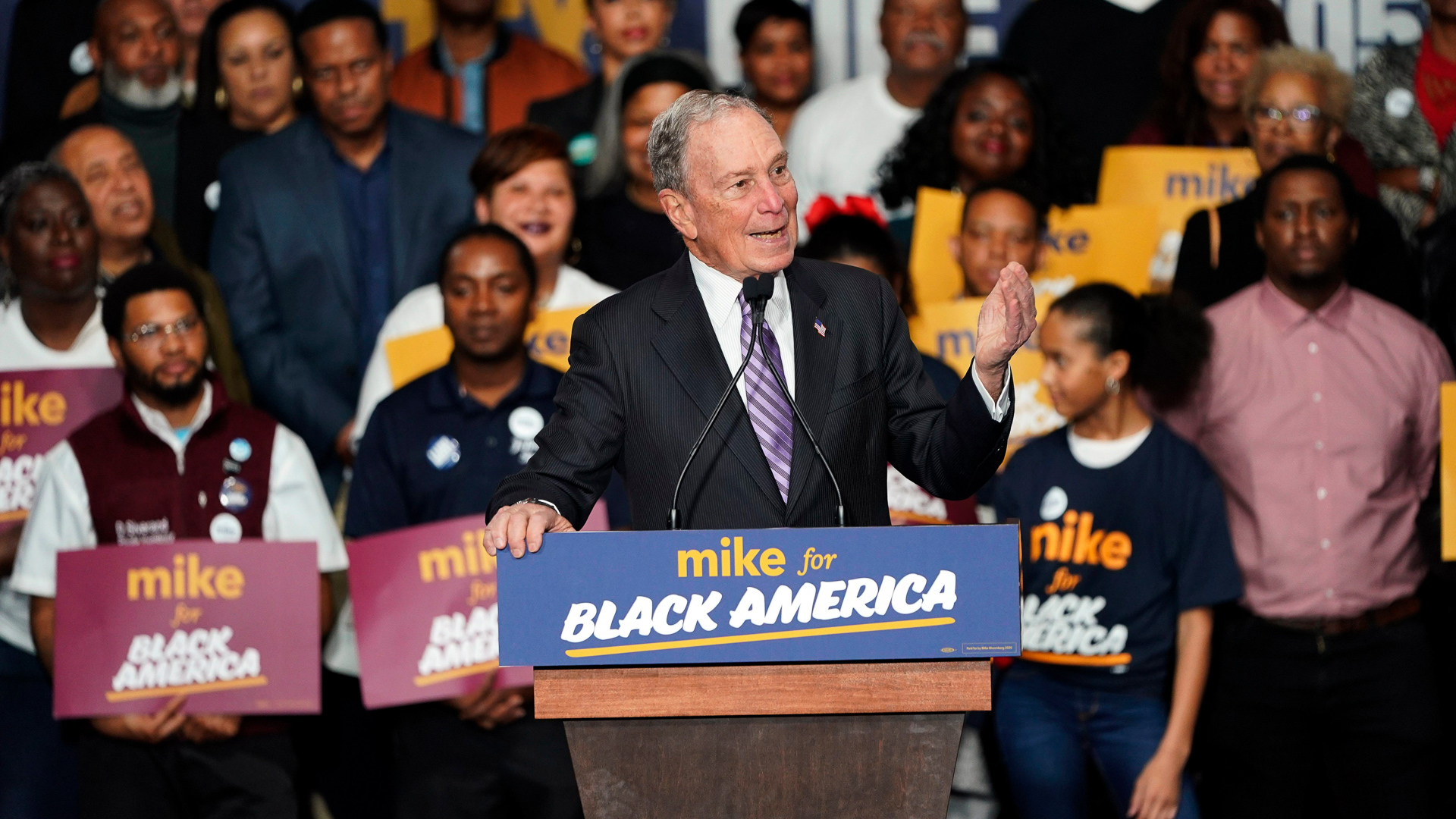 Bloomberg has proposed introducing a new minimum benefit in Social Security. He also wants to provide a government-backed savings plan that has low fees and also provides a matching contribution for low-income workers. 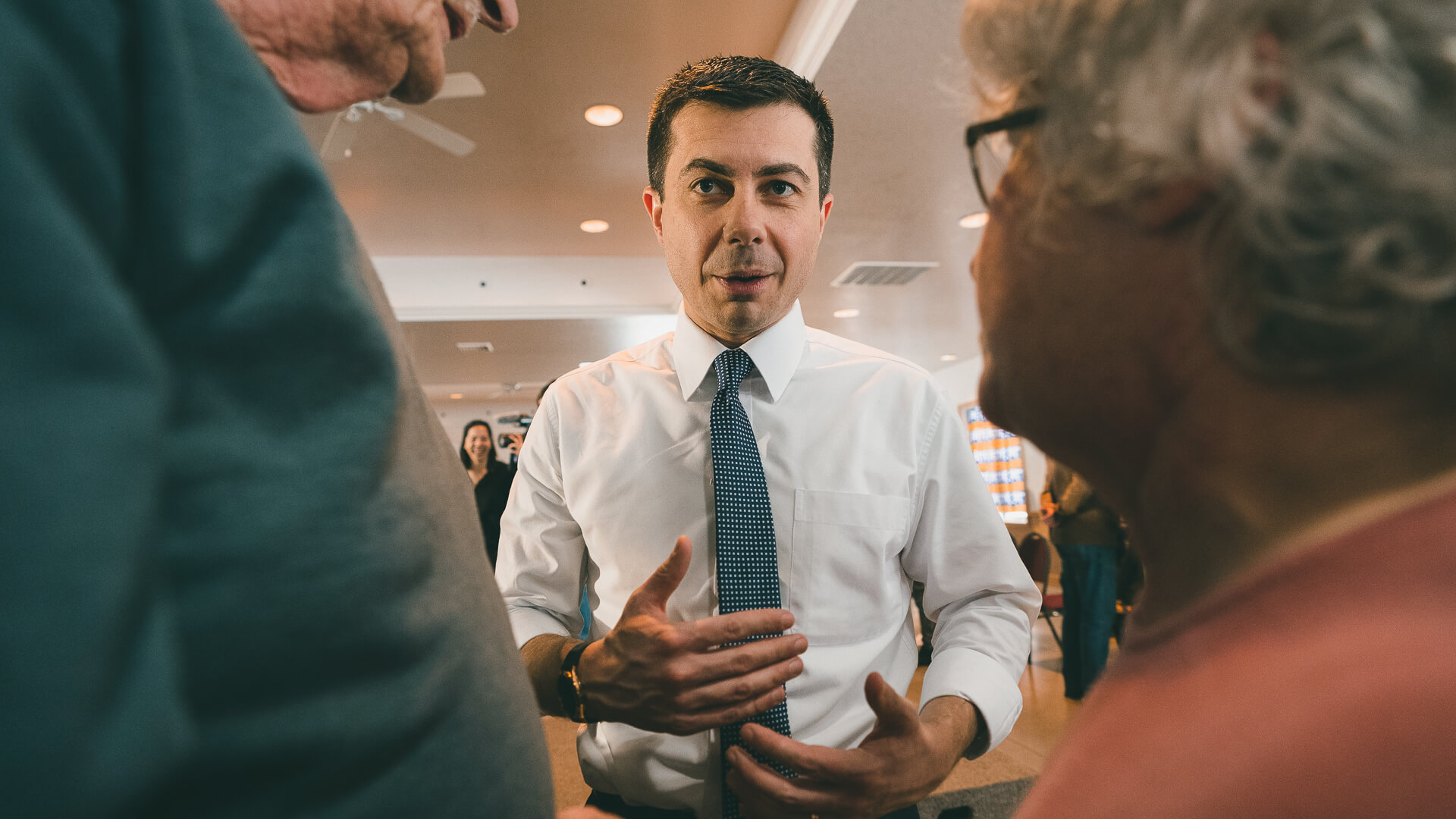 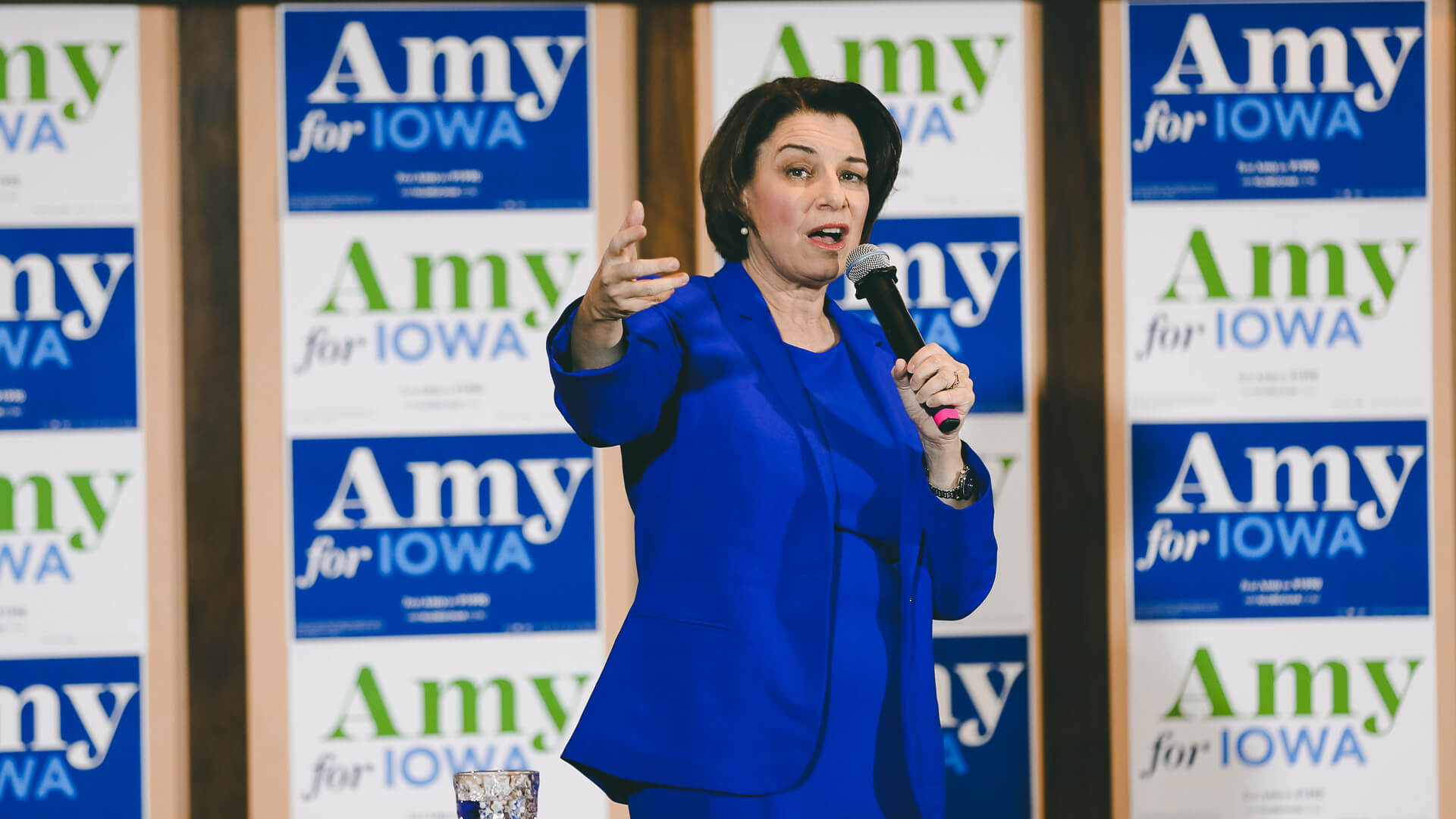 When Social Security Runs Out: What the Program Will Look Like in 2035 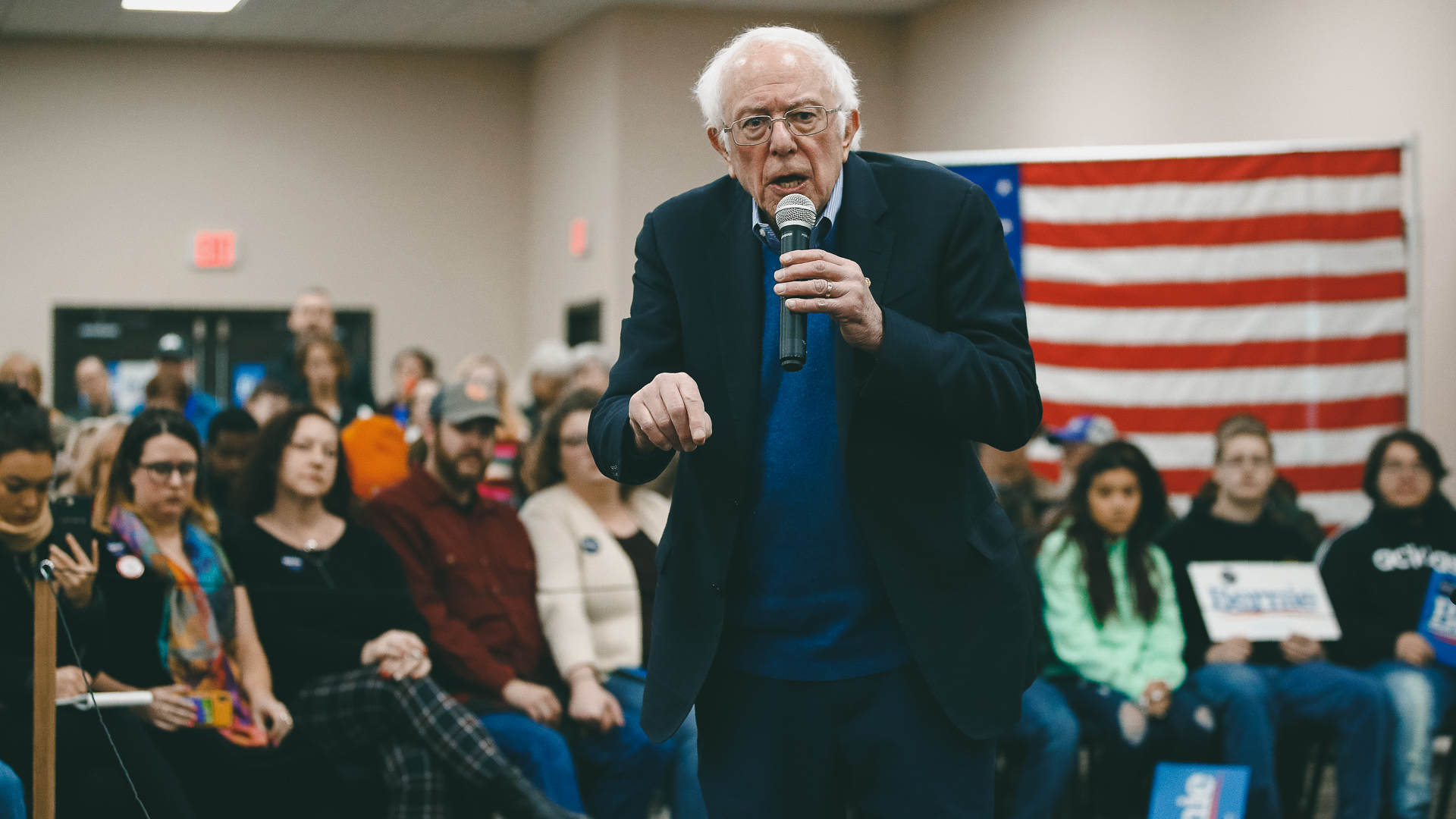 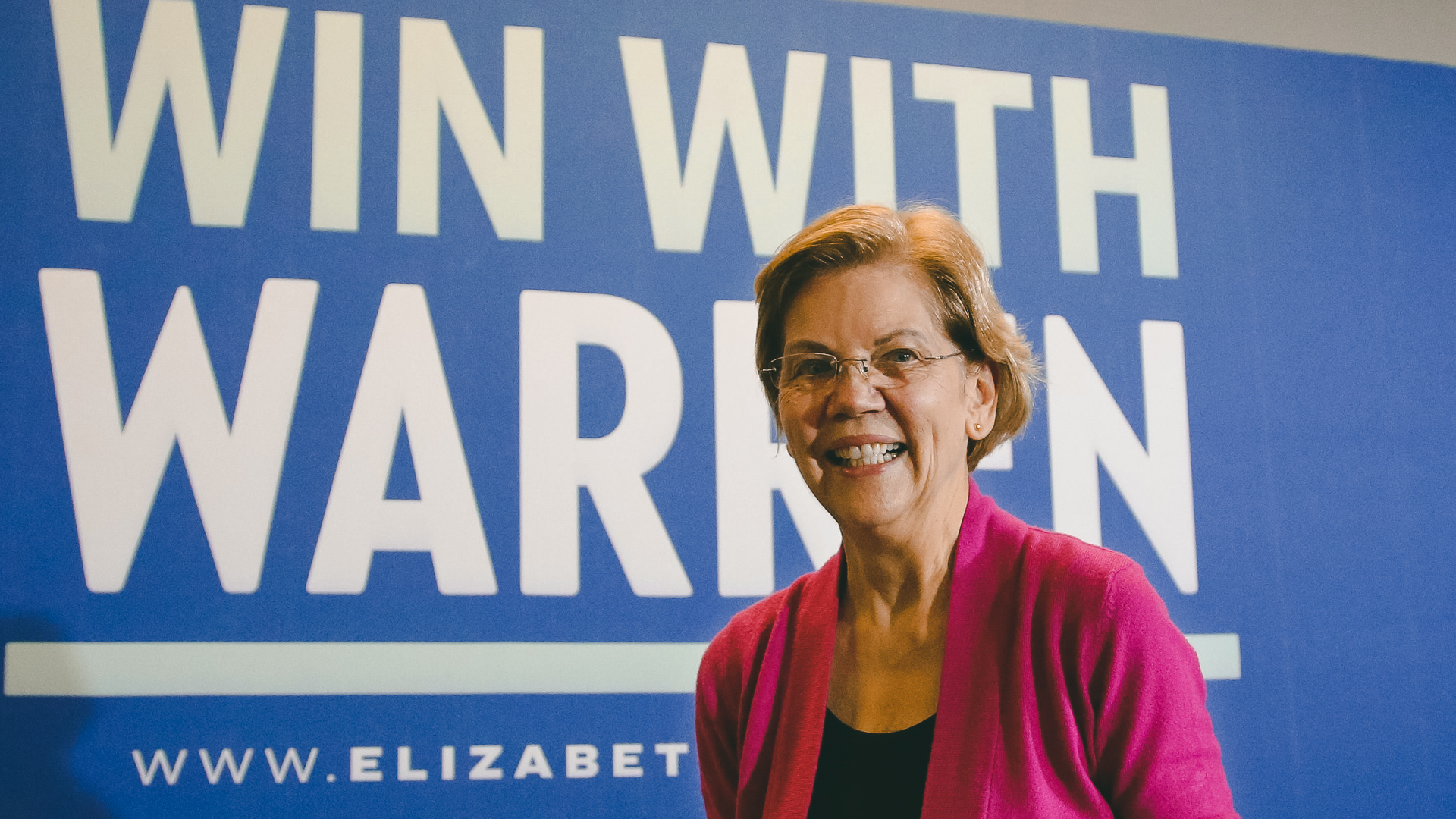 Warren has announced a plan “to provide the biggest and most progressive increase in Social Security benefits in nearly half a century.” She wants to increase benefits immediately by $200 a month, and specifically increase benefits for lower-income families, women, people with disabilities, public-sector workers and people of color. Warren said she will finance these changes by increasing mandated Social Security contributions for the top 2% of earners. 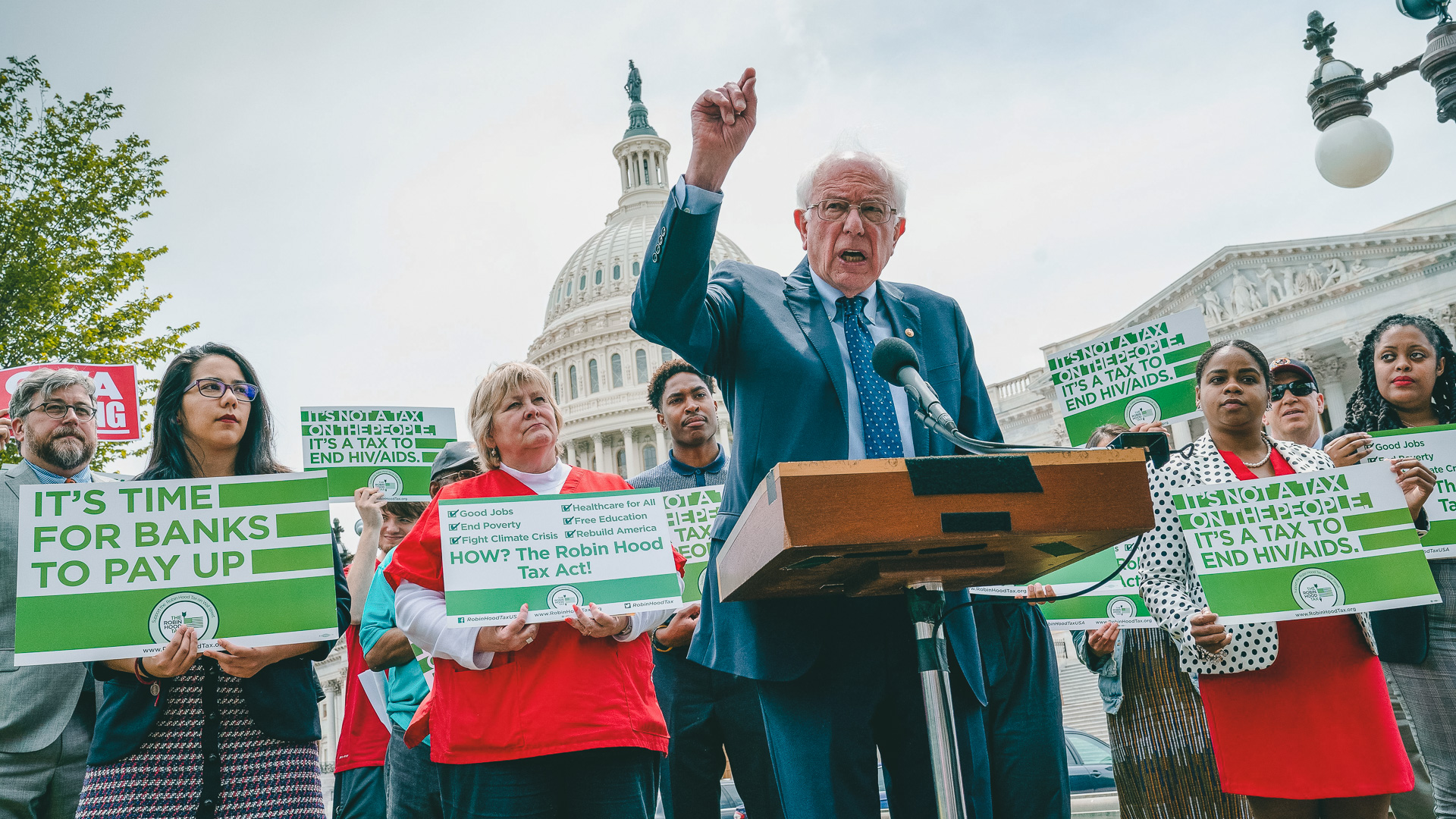 Tax policies proposed by the Democratic presidential candidates include raising taxes on the wealthy and eliminating subsidies for the fossil fuel industry. Here are the tax plans outlined by each of the six candidates who are expected to be a part of the Feb. 25 debate. 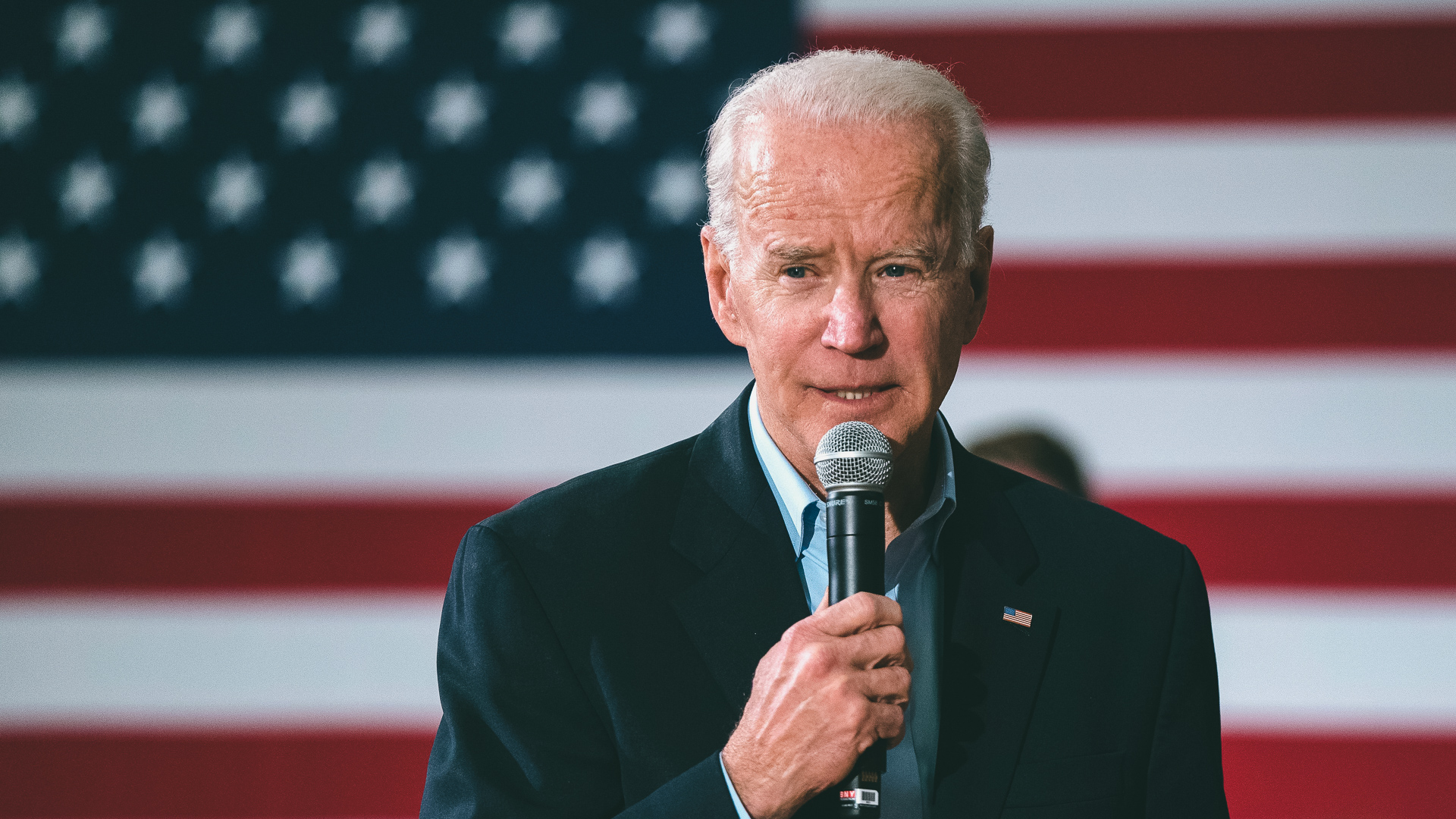 Biden unveiled his tax plan in December 2019, proposing a $3.2 trillion increase in taxes — which is less than the increases proposed by his fellow candidates, Politico reported. His plan includes raising the corporate tax rate from 21% to 28%, placing a minimum tax on companies’ pretax income, sanctioning countries that facilitate tax avoidance to curb the ability of corporations to shift their profits offshore, and doubling the global minimum tax on offshore corporate income from 10.5% to 21%.

He proposes raising the highest individual income tax rate from 37% to 39.6%, taxing capital gains and dividends at the same rate as ordinary income for those earning at least seven figures and capping tax breaks for the wealthy at 28%.

Biden’s camp said he unveiled his plan to be transparent with voters about how he would pay for his policies to fight climate change and expand access to healthcare and education. He has accused his rivals of lacking transparency about how they would pay for their proposed policy changes. 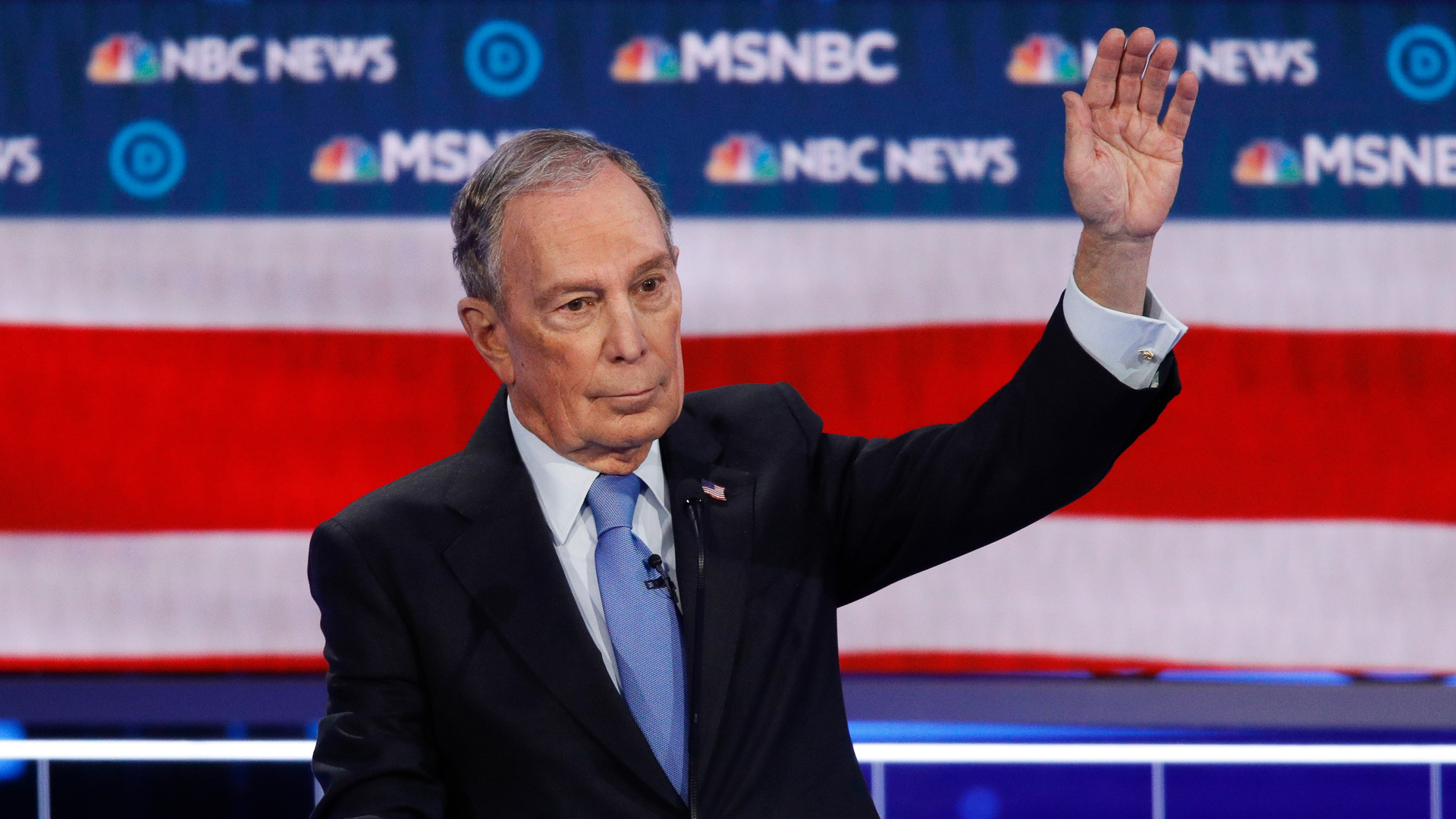 Bloomberg believes that the current U.S. tax system isn’t fair, and he has outlined a plan that he said would make taxes simple and more equitable. His tax plan calls for the following:

Although Bloomberg believes in raising taxes on high-income earners, he spoke out against Warren’s proposed wealth tax during the Feb. 19 debate: “I disagree with the senator on the wealth tax but I do agree with her that the rich aren’t paying their fair share,” he said. “We should raise taxes on the rich. I did that as mayor in New York City.” 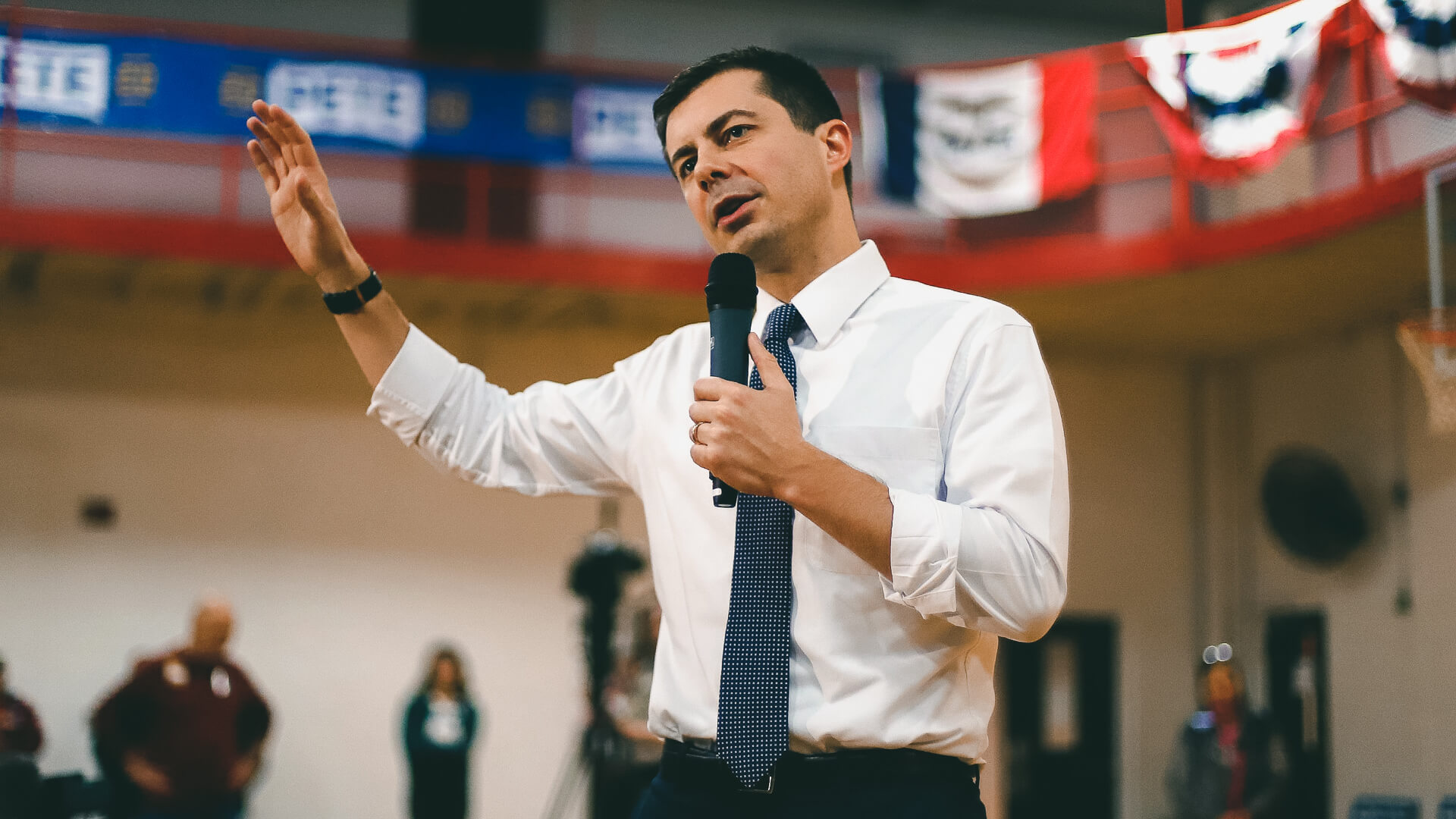 At the December 2019 debate, Buttigieg called out Warren’s wealth tax proposal for being “extreme,” The Hill reported.

“We’re being offered a false choice: You either go all the way to the extreme, or it’s business as usual,” he said. “Yes, taxes on individuals and on corporations are going to have to go up. We can also be smart about the promises we’re making, make sure they’re promises we can keep without the kind of taxation economists tell us would hurt the economy.”

Buttigieg’s campaign told the IndyStar that he plans to raise $2.1 trillion by reforming the capital gains tax on the top 1% of earnings and an additional $2.2 trillion by eliminating tax cuts and reforms implemented by President Donald Trump that benefit the wealthy. 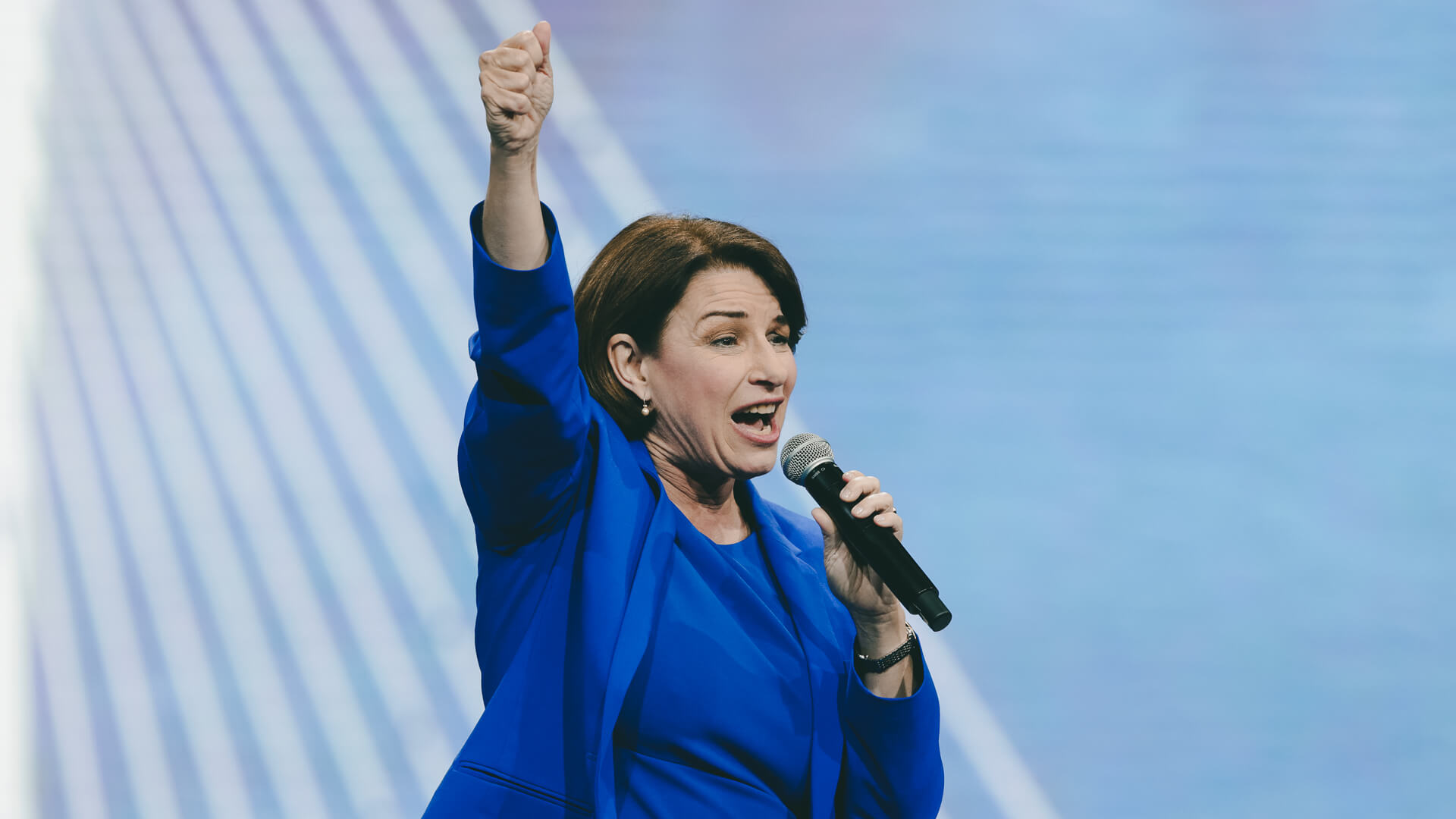 She also wants to implement tax credits to help retrain workers who lose their jobs to automation, AP reported. 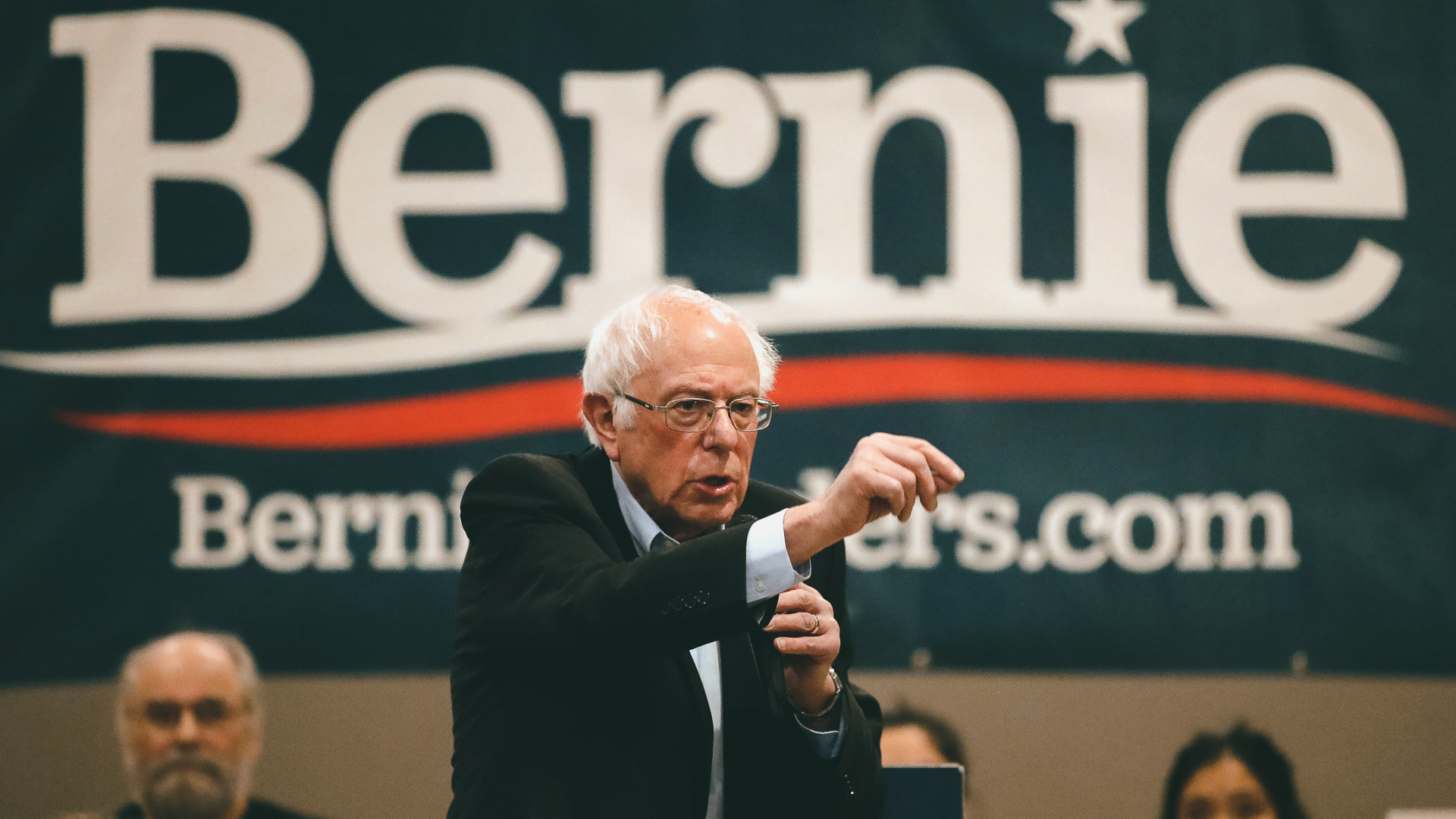 At the debate on Feb. 7, Sanders said, “The way you bring people together is to make it clear that we’re not going to give tax breaks to billionaires and large corporations; they’re going to start paying their fair share of taxes.”

Sanders has outlined a tax plan to help ease income inequality. He would increase corporate taxes based on the company’s compensation ratio between the CEO and the median worker. Under this plan, corporate taxes on every private and publicly held corporation with annual revenue of more than $100 million would rise between 0.5% and 5%.

Sanders also wants to establish an annual tax on the extremely wealthy — those with a net worth of $32 million or more. In addition, he wants to implement a plan to ensure the wealthy are paying their fair share of taxes. This plan includes: 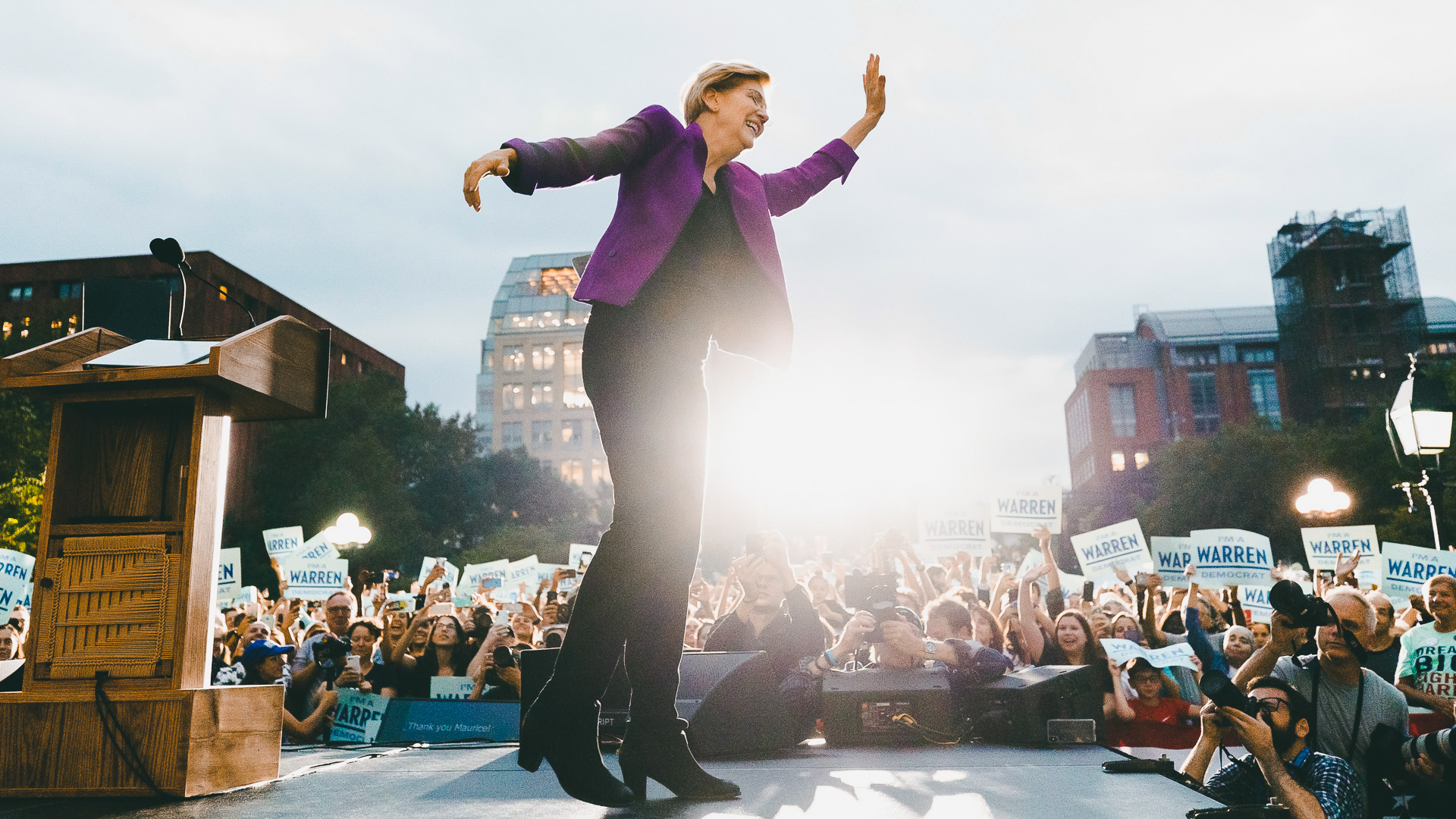 During the Feb. 7 debate, Warren said, “Let me tell you just one of the things we can do with a two-cent wealth tax. We can cancel student loan debt for 43 million Americans, and because African Americans have to borrow more money to go to college, borrow more money while they’re in college and have a harder time paying it back when they get out, that one law is going to help close the black-white wealth gap for people with student loans by about 20 points.”

She also proposes an Excessive Lobbying Tax that will apply to corporations and trade organizations that spend over $500,000 per year lobbying the U.S. government and a Real Corporate Profits Tax that would implement a 7% tax on every dollar of profit above $100 million that a corporation earns. Warren also wants to raise taxes on gun manufacturers in an effort to prevent gun violence.

Find Out: What Can I Write Off on My Taxes 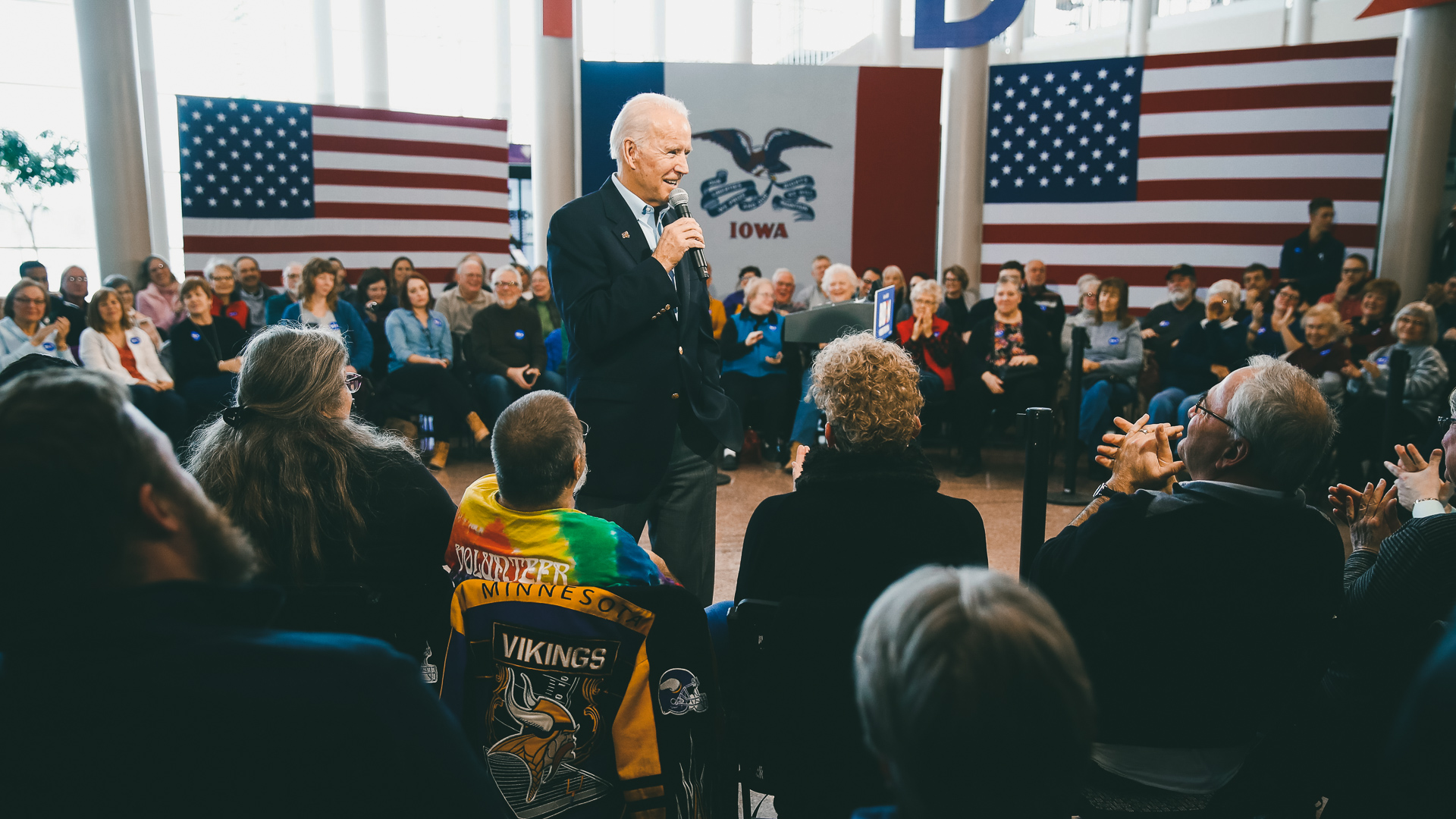 Democrats have long called for campaign finance reform, with most of the remaining candidates agreeing that unlimited spending should not be allowed in politics. Some candidates have set their own limits on how they are raising money for their campaigns, with the leading candidates swearing off taking any funds from corporate PACs, Politico reported.

Here’s what the candidates have said about campaign fundraising. 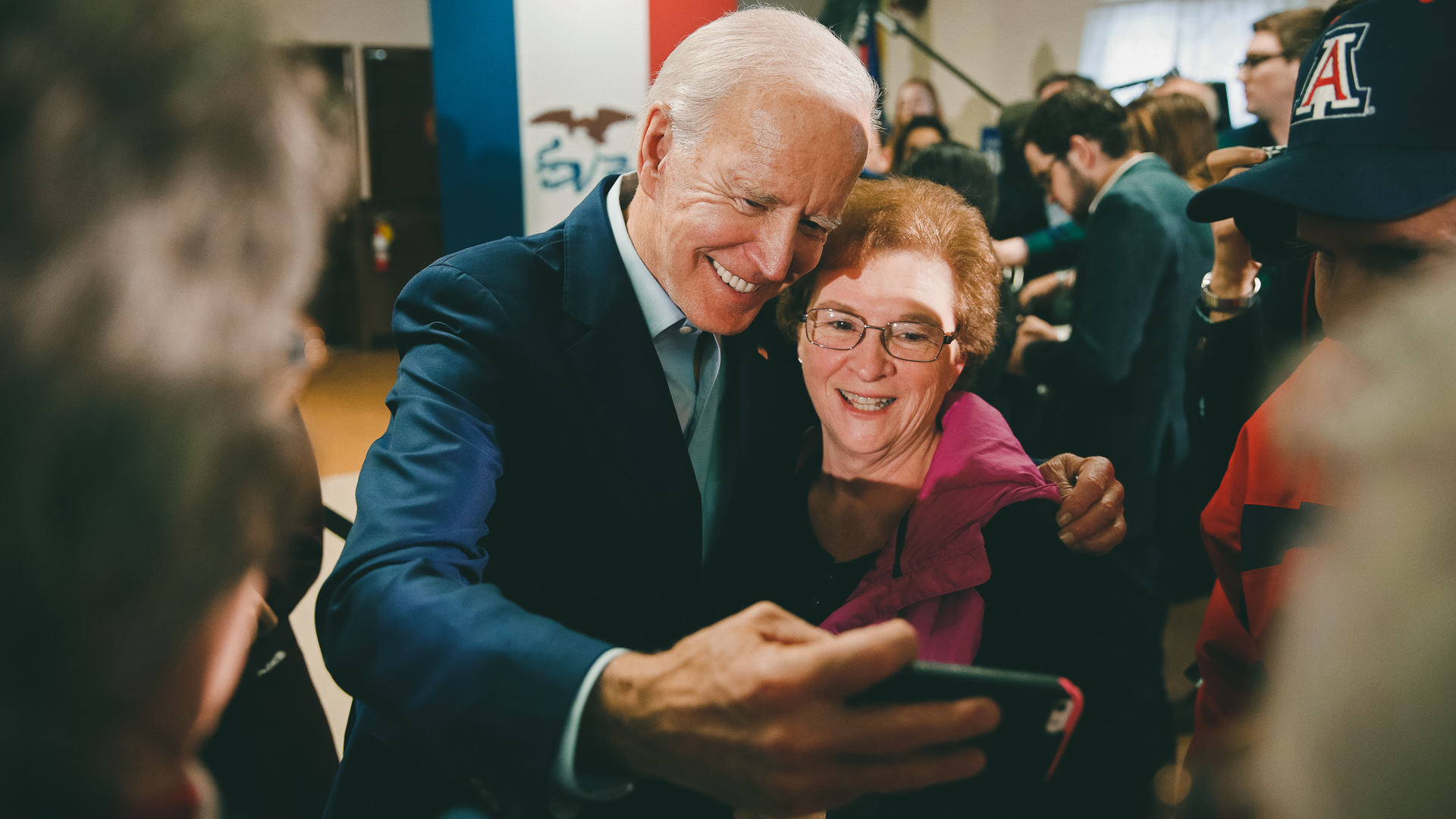 Biden has outlined a number of measures he wants to introduce to reduce the influence of money on politics: 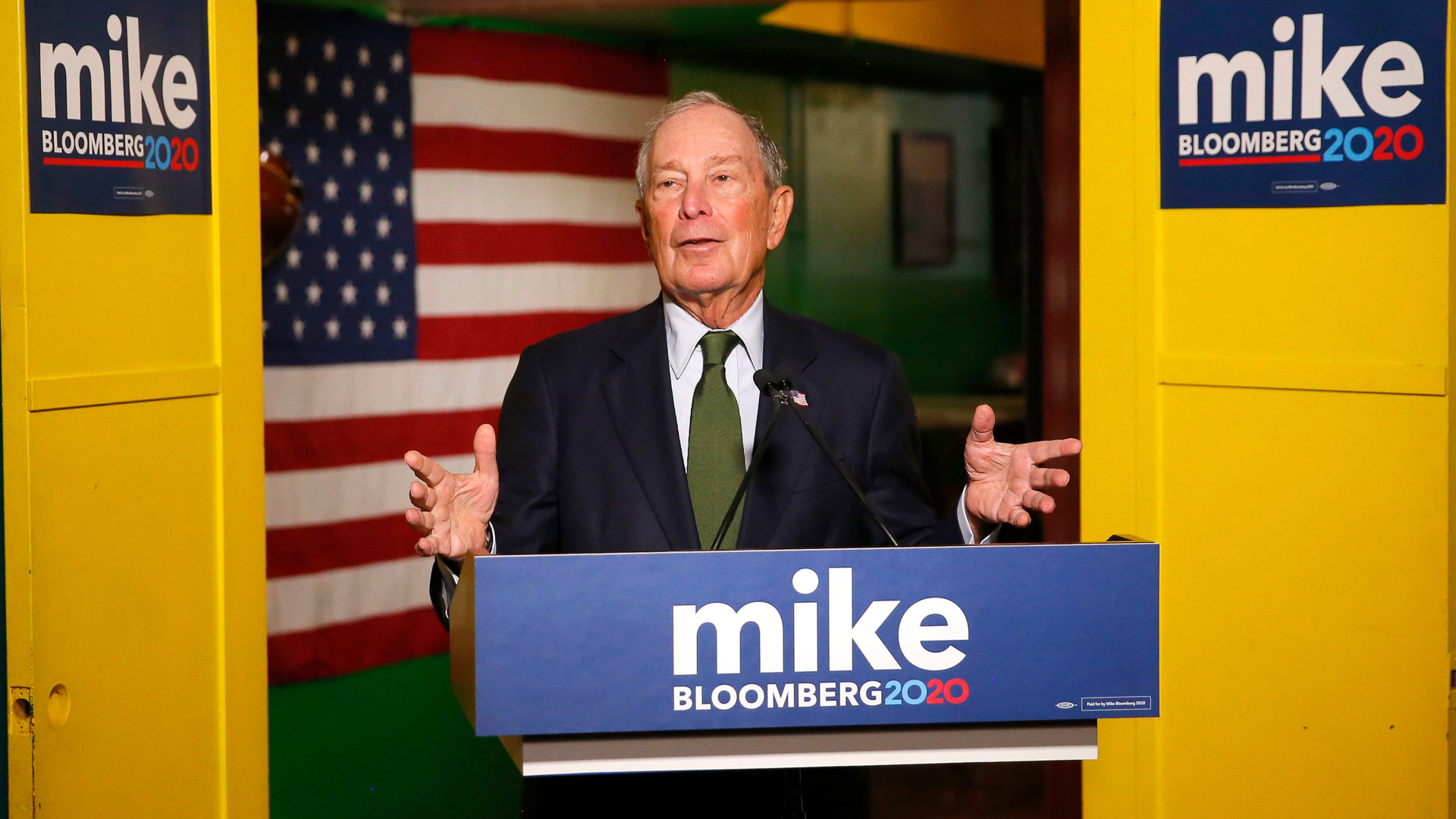 Bloomberg has famously funded his own campaign. As of Feb. 14, he had spent $386 million on advertising alone, CNN reported. He’s defended his unprecedented campaign spending, stating at a stump speech in Arizona last November that his use of his own funds makes him less susceptible to corruption.

“I will be the only candidate in this race who isn’t corruptible, who isn’t going to take a penny from anyone, and will work for a dollar a year,” he said, according to Newsweek.

Sanders, however, has said that he feels Bloomberg is trying to buy his way into the White House. “We believe in old-fashioned democracy: one person, one vote, not billionaires buying elections,” Sanders said at a recent rally in North Carolina, NBC News reported. 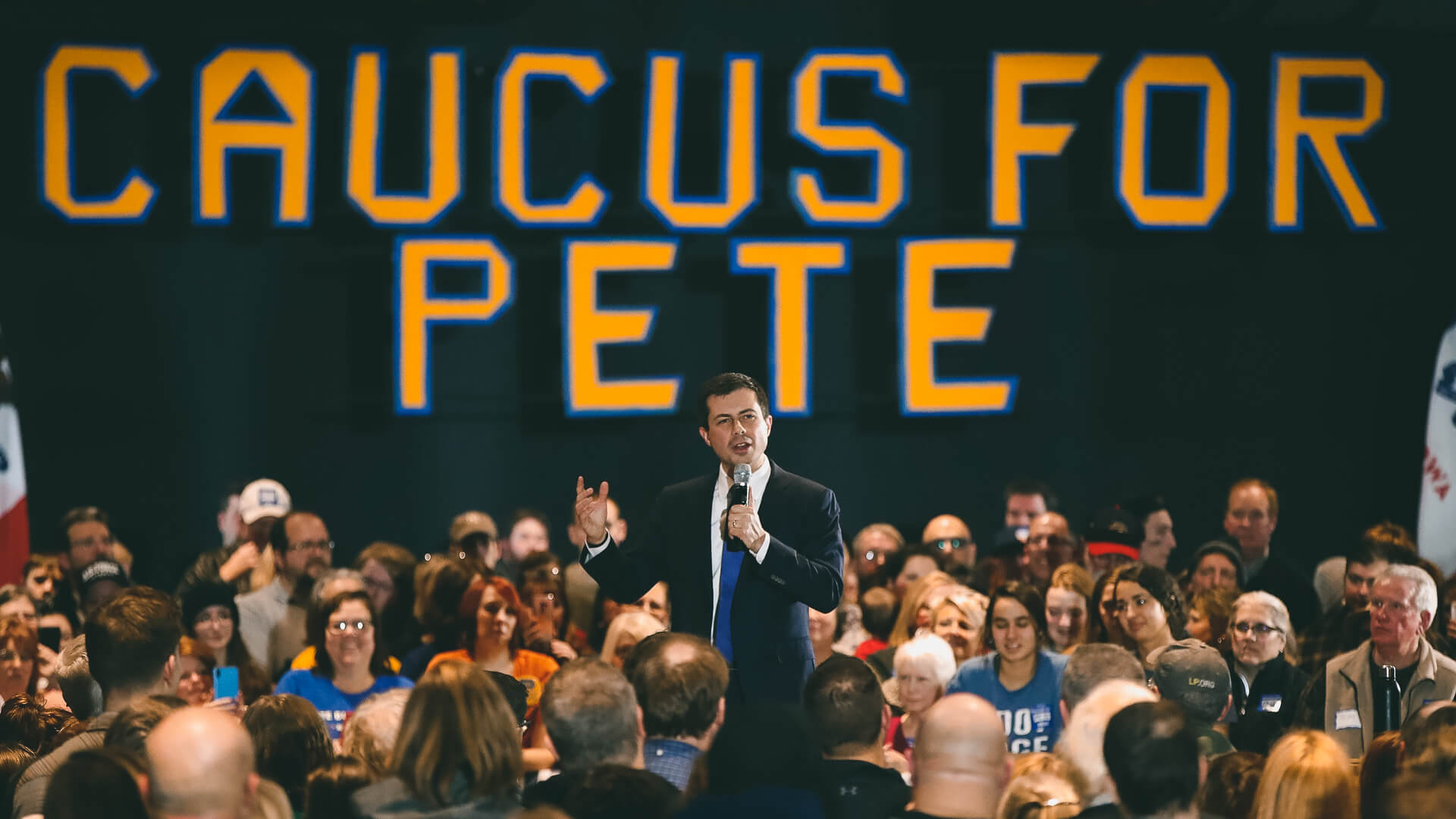 Warren has criticized Buttigieg about his willingness to hold closed-door fundraisers with wealthy donors.

In response to the criticism Buttigieg received from Warren and others, his campaign announced that it would allow the press to attend all future fundraisers, as well as identify the individuals who were raising funds for him.

Despite this, Sanders doubled-down on criticisms of Buttigieg’s billionaire donors during the Feb. 19 debate: “What we are saying, Pete, is maybe it’s a time for the working class of this country to have a little bit of power in Washington, rather than your billionaire campaign contributors.”

Buttigieg responded that his campaign is “fueled by hundreds of thousands of contributors.” 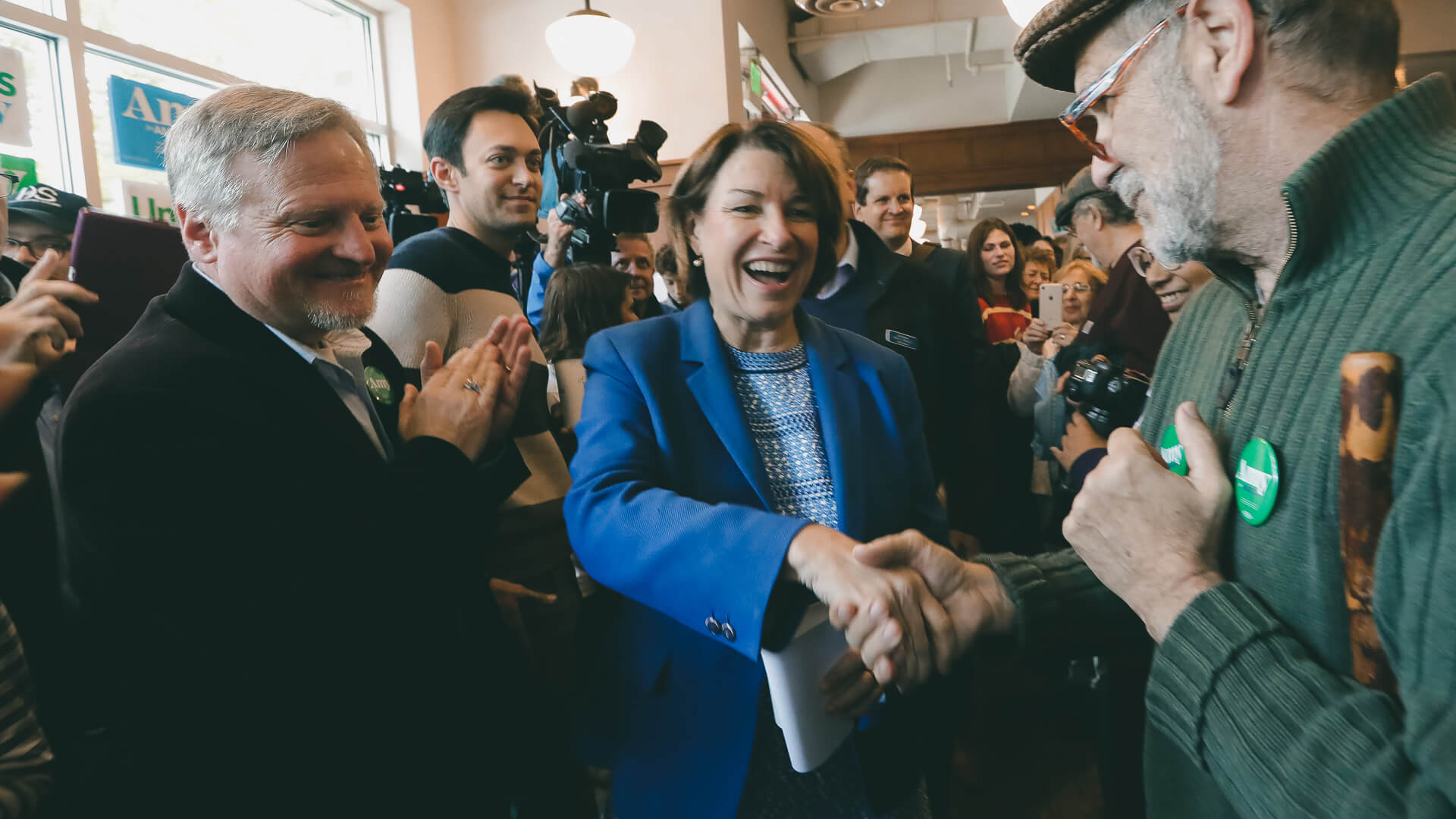 Klobuchar proposes an overhaul to the current campaign finance system that includes overturning Citizens United. She also wants to establish a multiple matching system for small donations to increase the power of small donors. 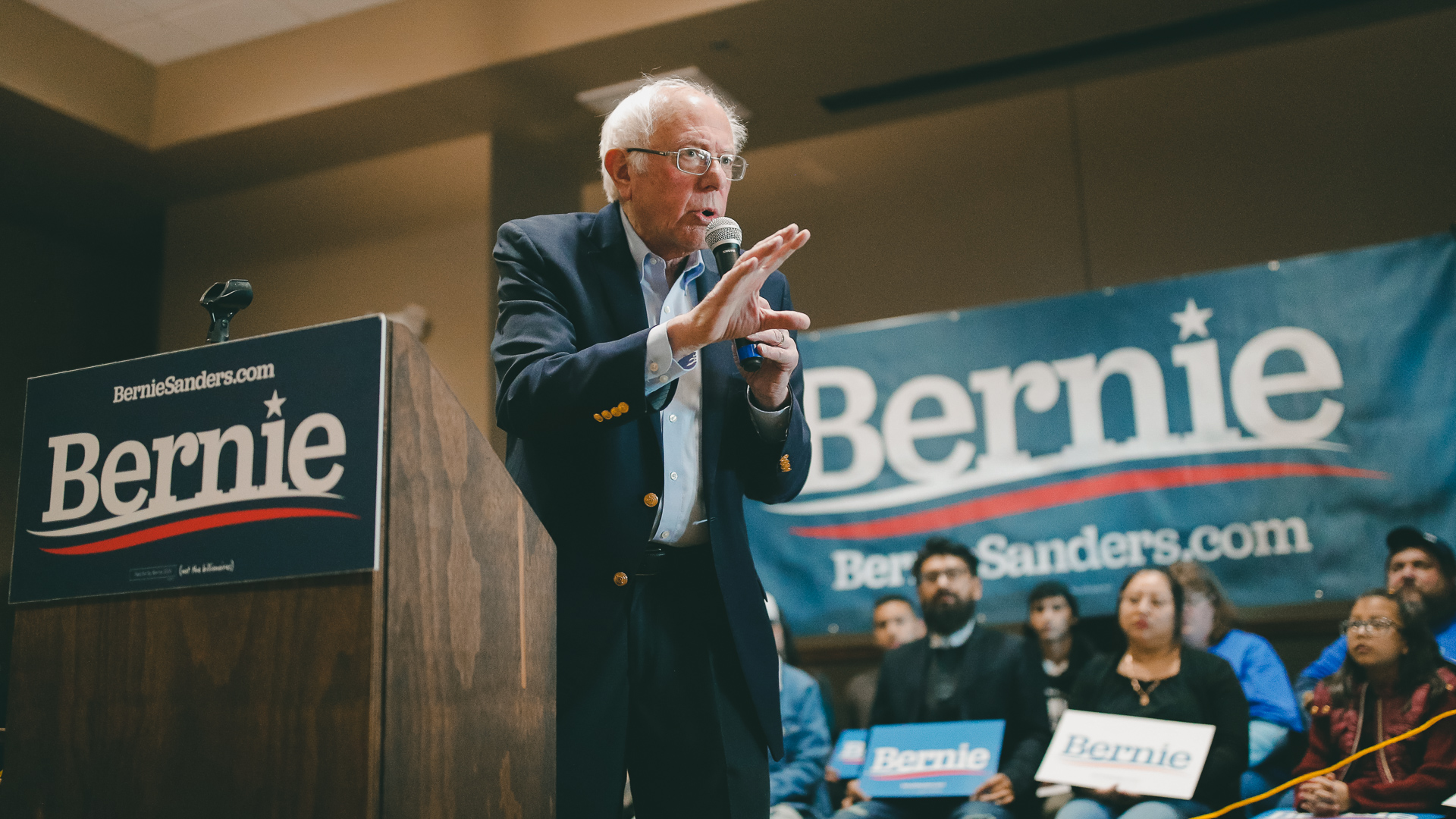 Sanders famously has a grassroots-funded campaign and plans to implement new policies to take the money out of politics. He wants to ban all corporate contributions to the Democratic Party Convention and related committees, ban all corporate donations for inaugural events, cap individual donations at $500, replace the FEC with a Federal Election Administration and enact mandatory public financing laws for all federal elections. 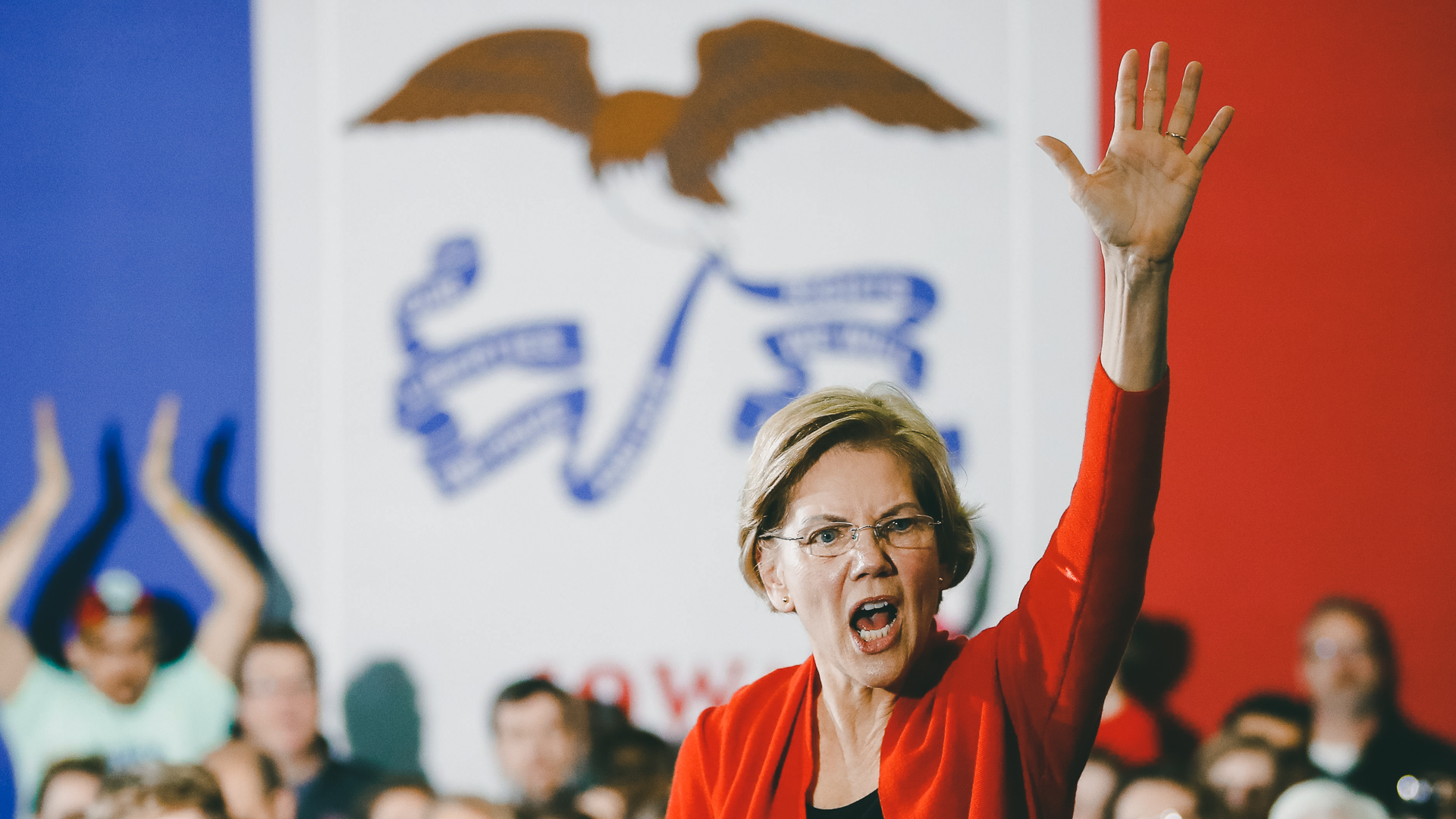 Warren has pledged not to take money from federal lobbyists or PACs — although she recently did not discourage a new super PAC from boosting her message, stating now that she’ll get rid of super PACs if all the other candidates are willing. She also has limited contributions from fossil fuel and pharmaceutical companies, as well as executives from big tech companies, big banks, private equity firms and hedge funds to $200. She also wants to propose a number of changes to campaign fundraising: