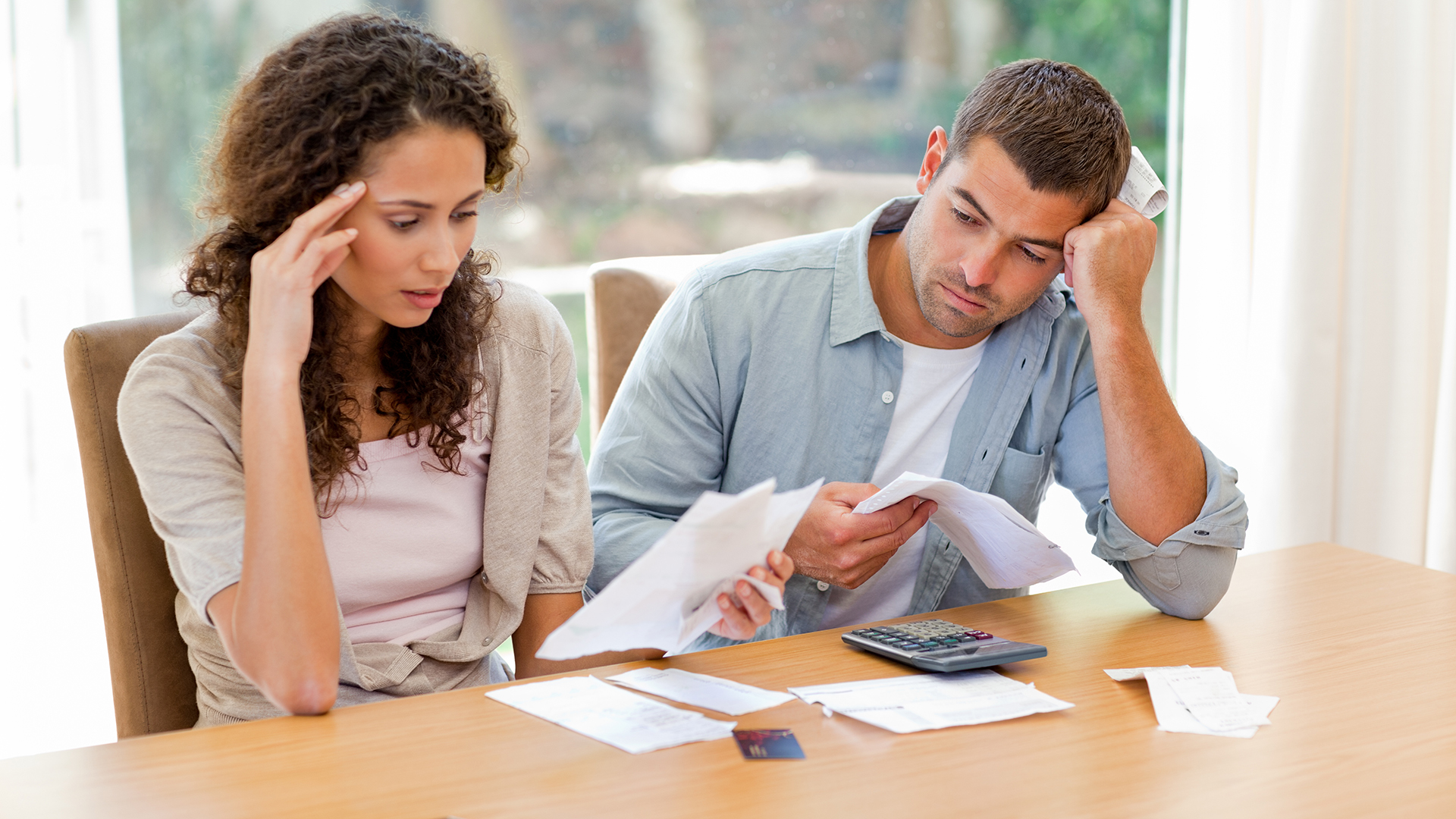 The American middle class was once the foundation of much of American society. But since the 1980s, the wealth gap between the rich and middle class has grown wider. Americans are getting either richer or poorer and there has been a drop in the percentage of middle-income households across the nation. If you’re feeling the struggle, there are many contributing factors.

Click through to find out why the middle class faces serious odds. 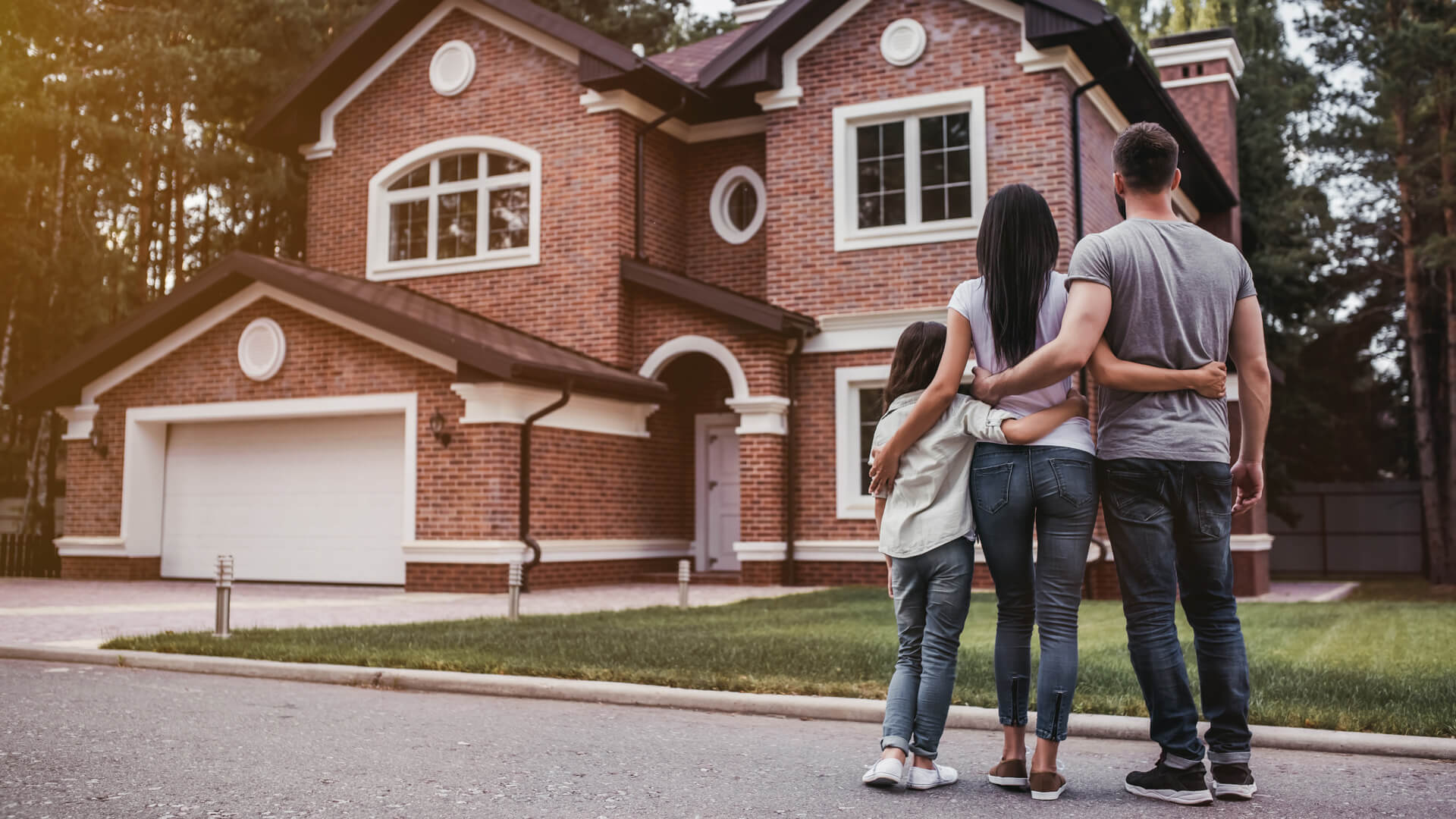 Housing Is Getting Less Affordable

By definition, the middle class does not live in poverty. But that doesn’t mean it isn’t in difficult financial straits. A major cause of this financial distress is overspending.

Housing costs are the biggest expenditure the middle class contends with. The biggest source of household debt, according to the Federal Reserve Bank of New York, is mortgage debt. In fact, mortgage balances and mortgage originations have attained levels not seen since the beginning of the Great Recession.

Related: Here’s How Much Debt Americans Have in Every State

The problem, however, is that this spending can’t just be stopped or reduced. Much of it is essential for providing middle-class children the quality of life that their parents had, or better, according to The Atlantic. But nowadays, the cost to provide that standard of living has risen dramatically across the country. 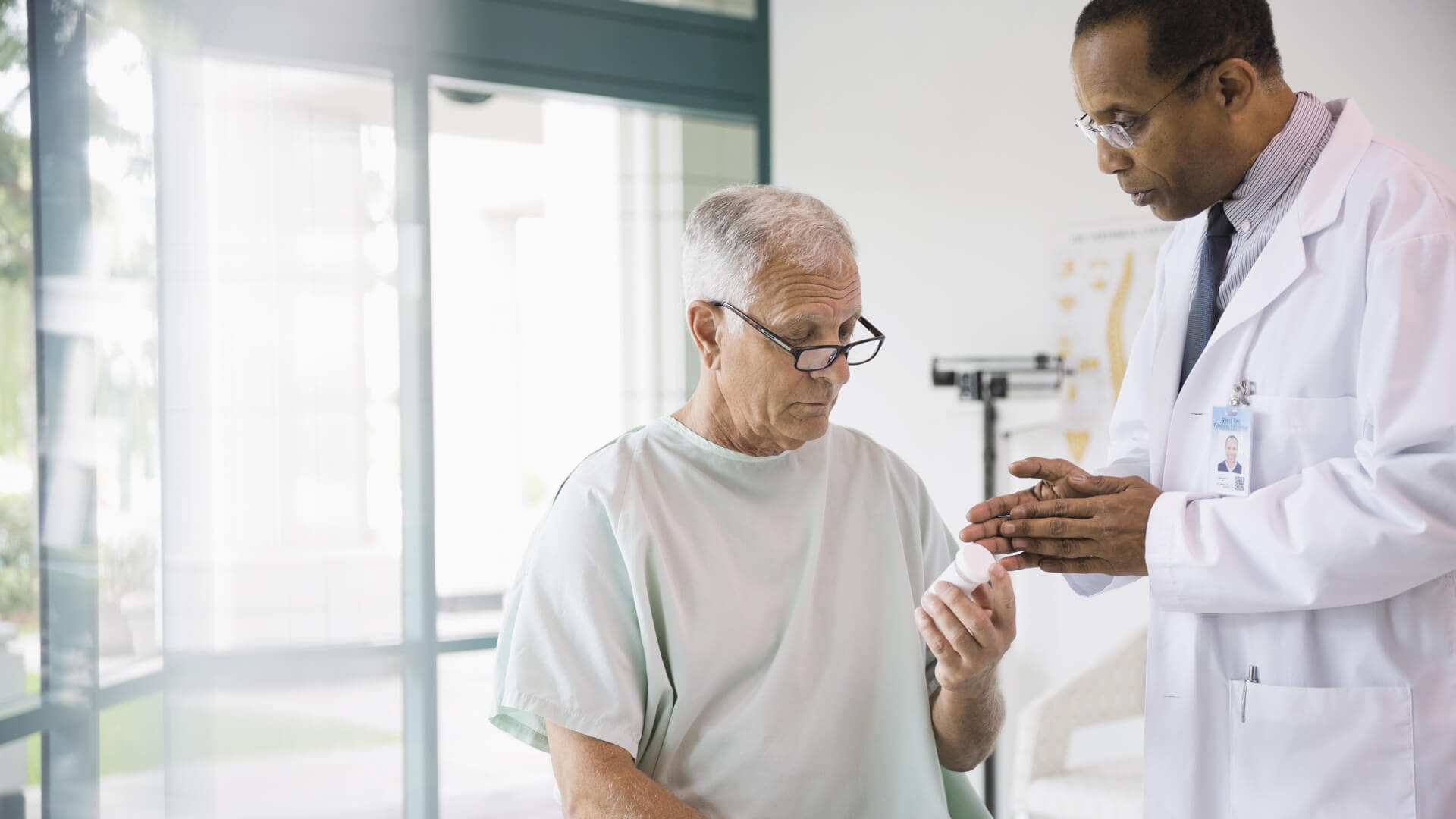 The U.S. healthcare system has earned notoriety for its poor availability, quality and high costs compared to other first-world nations. Over the years, health expenses for middle-class families have risen dramatically. According to the Center for American Progress, from 2000 to 2012, the cost of healthcare increased by 21 percent against an 8 percent drop in real median household income. Fortunately, there are ways to survive rising healthcare costs.

Besides just getting more expensive, healthcare costs are also taking up a greater portion of household income. According to the Bureau of Labor Statistics’ Consumer Expenditure Survey, in 2006, Americans spent an average of $2,766 a year on healthcare; with an after-tax income of $58,101, that amounts to roughly 4.8 percent going toward healthcare. By 2016, healthcare rose to $4,612 and post-tax income to $64,175, but now health expenditures accounted for around 7.2 percent of income. 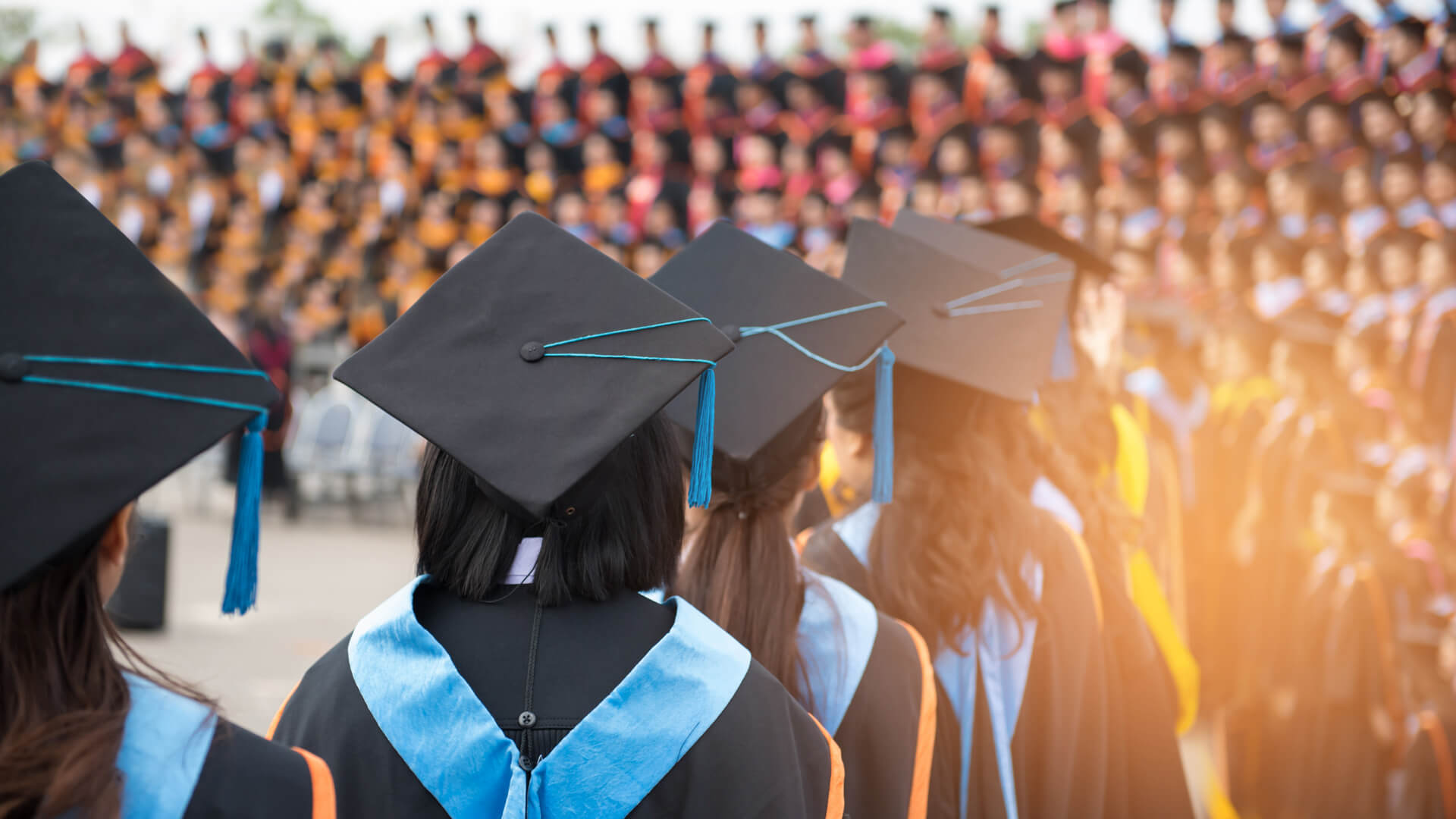 Education Is More Expensive Than Ever

One of the biggest concerns for middle-class families is securing a good education for their kids. It’s part of a long-standing desire to provide better access to education than the parents had when they were younger.

However, it’s become harder to carry out this tradition in recent decades. It’s not just about the ever-rising cost of a college education. The cost of even gaining access to good public schools can be difficult, according to The Atlantic. Where public schools are better, houses tend to cost more; where houses are more expensive, the tax base is larger, providing schools with higher-quality resources. And such high-quality schools drive housing demand, which creates a vicious cycle. 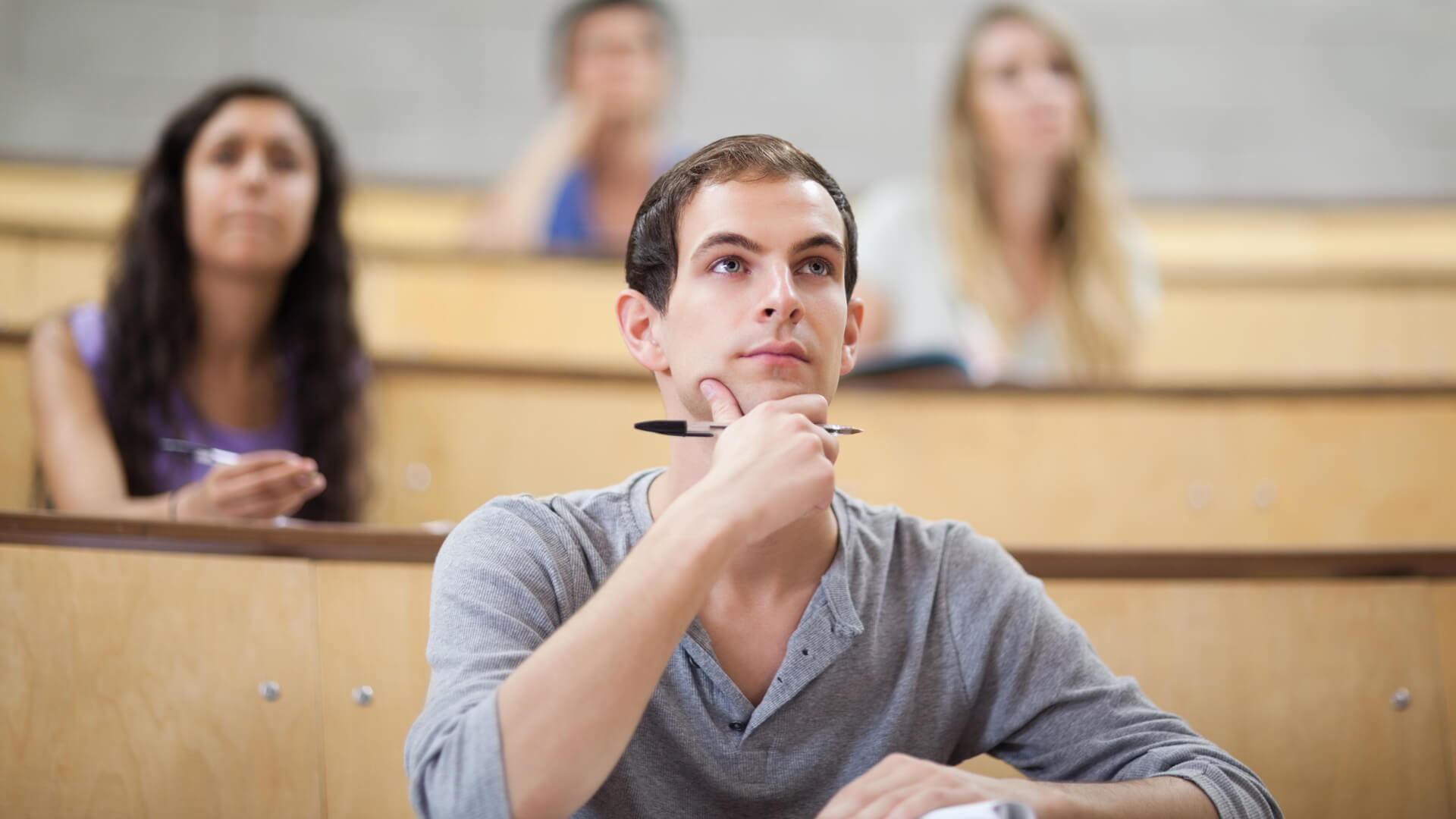 College Education Isn’t Worth What It Once Was

Despite rising education costs, the value of a college education — a bachelor’s degree — in terms of its impact on career earnings has stagnated for years, according to an article published with the National Center for Biotechnology Information.

The college wage premium is the income reward due to having a college education versus not having one in the workforce. The wage premium from college attainment is certainly better than not getting a bachelor’s degree or failing to complete high school. However, the wage premium has not moved much in favor of college graduates, The Washington Post reported.

Read More: Best College in Every State That Costs Less Than $20,000 a Year 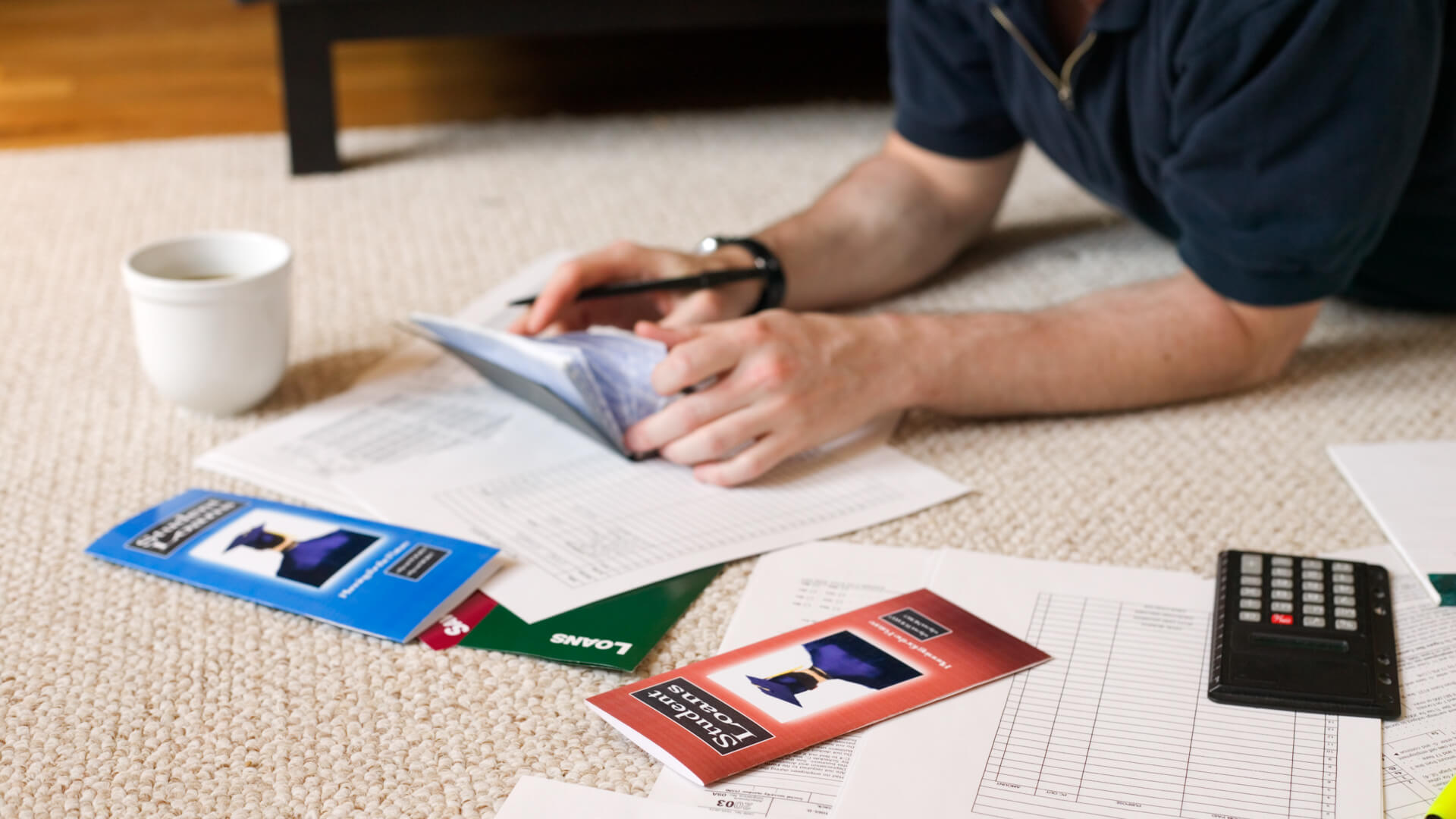 Student Debt Burdens the Middle Class More Than Ever

On top of the reduced investment return of college, graduates now face a national student debt total approaching $1.5 trillion. In some states, graduates are carrying particularly high levels of debt. Here are some milestones to put this student debt crisis in perspective:

Accruing student debt in a country in which college graduates are already having a tough time getting a job is a recipe for financial distress. Carrying that debt into post-college life, which comes with many new expenses, makes maintaining a middle-class life more challenging. 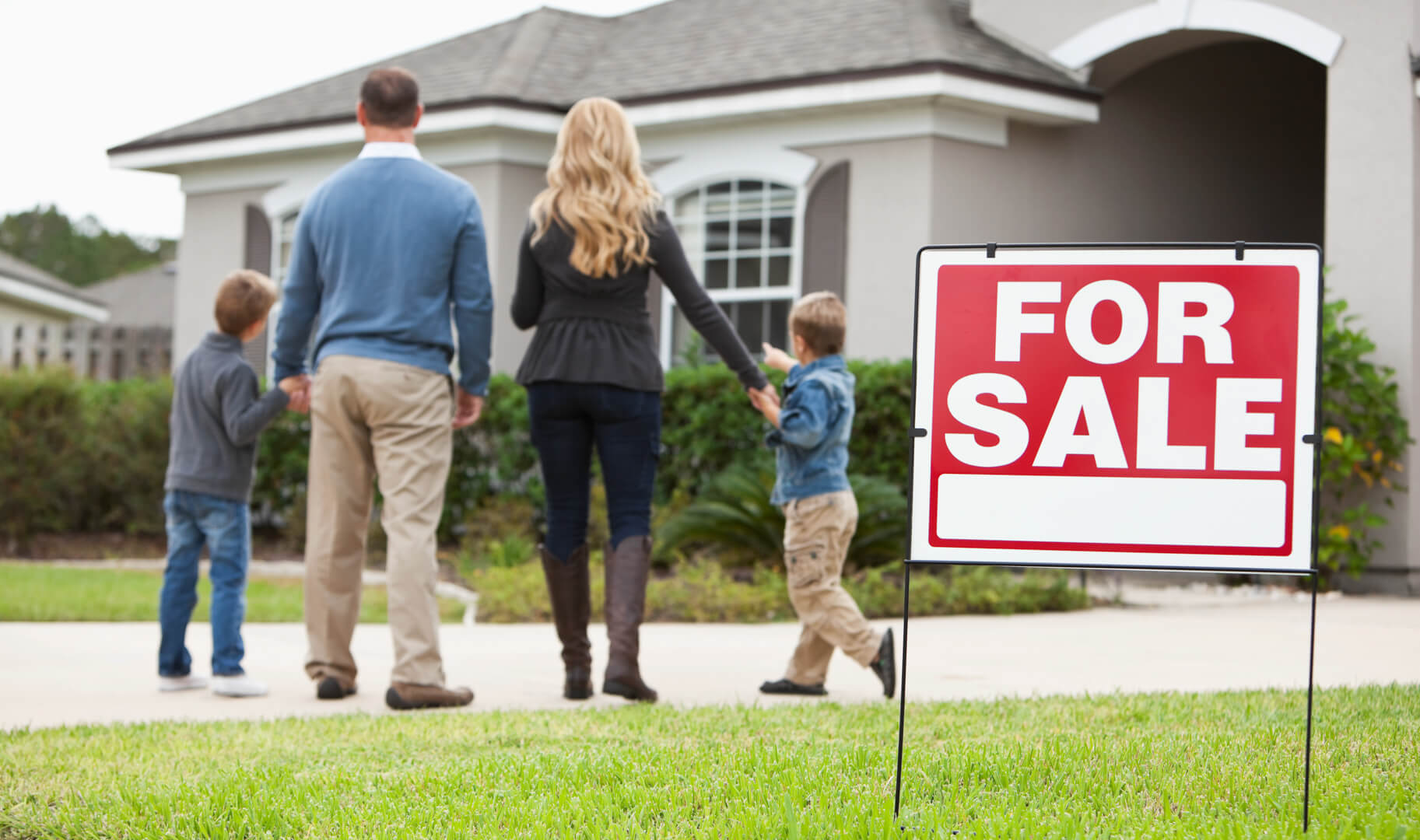 There Are Fewer Middle-Income Households

More unsettling is that this pattern fits the bigger trend. The overall share of America’s middle-income households dropped from 61 percent in 1971 to 50 percent by 2015, according to Pew. 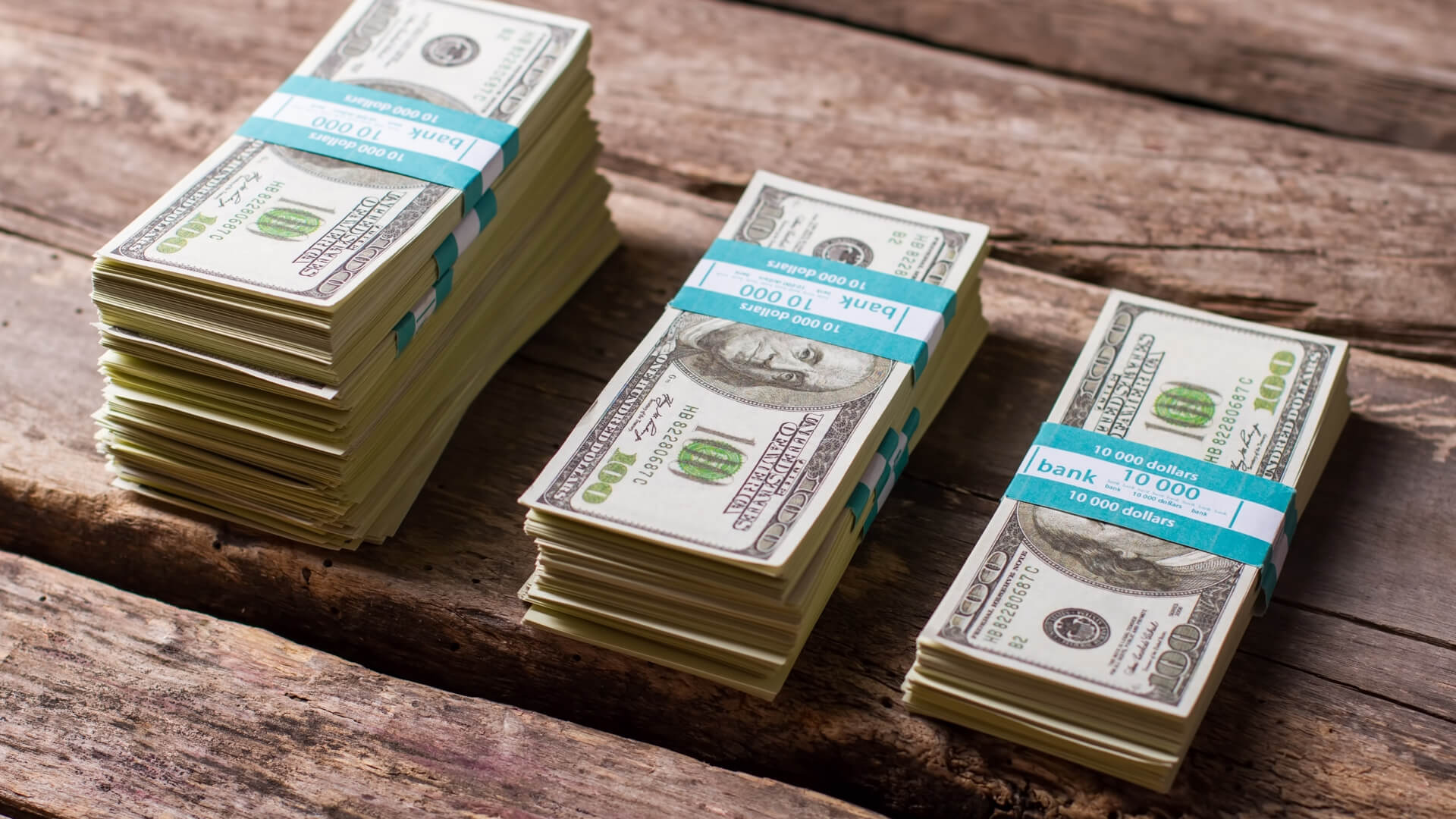 Mean, or average, household income started at $74,188 in 2010 and increased to $83,143 — an increase of 12.1 percent. Unfortunately, this disparity in growth rates has been going on for much longer than the last decade. According to Census data, mean household income has grown at a faster rate than median income since 1975.

These are the places in the U.S. with the most income inequality. 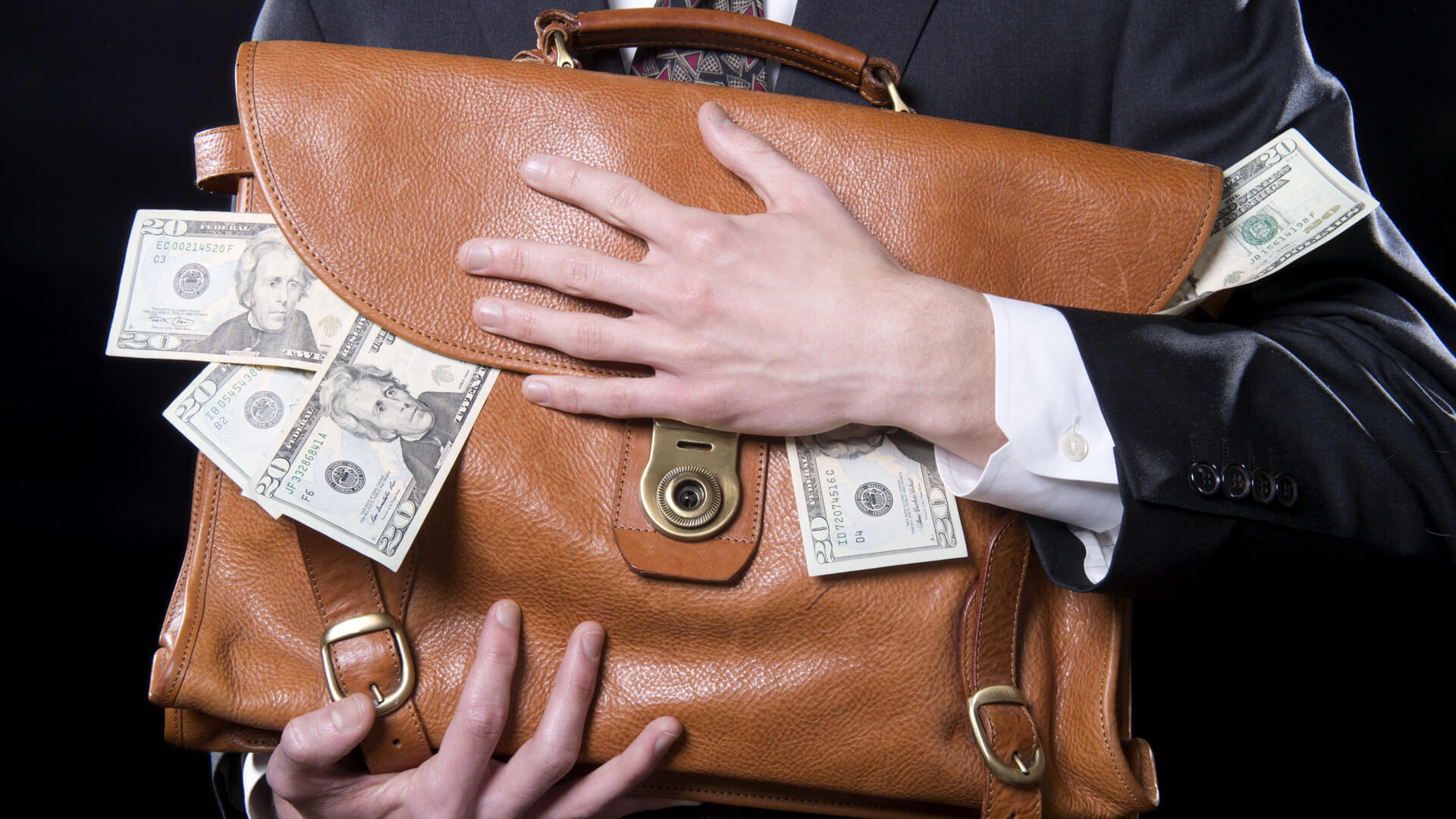 Wealth Inequality Is Getting Worse Too

The wealthiest 10 percent of U.S. households earn approximately 28 percent of income in this country, The Washington Post reported, citing data from the Organization for Economic Cooperation and Development. But here’s the kicker: The study found that same segment holds 76 percent of U.S. wealth, which is a higher percentage than in similarly wealthy nations.

The Washington Post pointed out that income is about what you earn. Wealth, on the other hand, is what you own — like your house, car, retirement savings and so on — and it can self-perpetuate, which means the rich stay rich. With such a large percentage of U.S. wealth being held by the richest few, one can see how the other 90 percent could be struggling to thrive.

Keep Reading: How to Build Wealth Using Other People’s Money 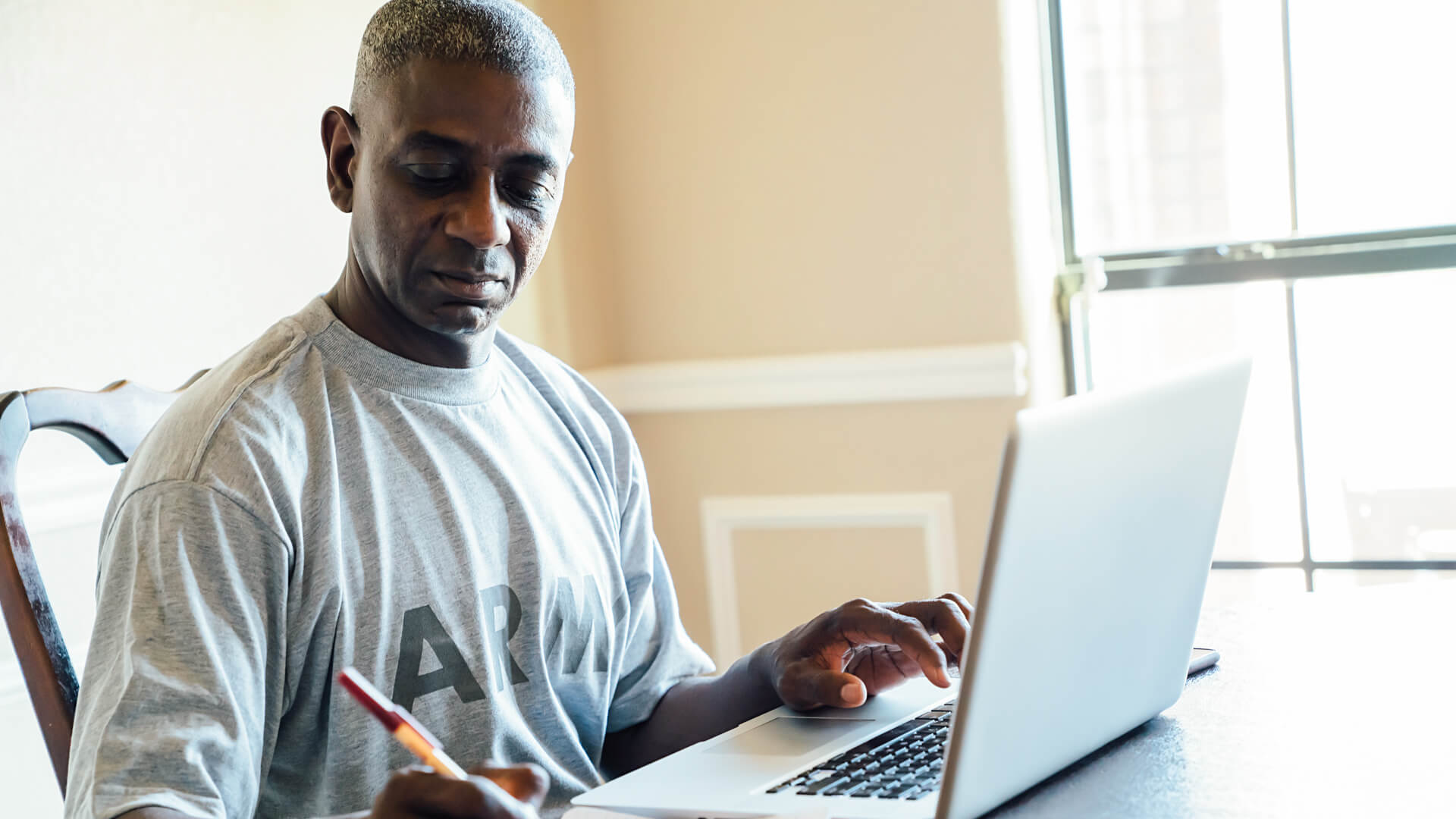 Pensions used to be a major pillar of middle-class retirement income. Nowadays, more and more states are facing serious problems funding retirement pensions for their citizens.

The beginning of the end for pensions came in the 1970s. According to The Atlantic, companies started to switch from to “defined benefit” retirement plans to “defined contribution” plans. In the former, people are guaranteed a certain amount of money every year in retirement, while in the latter, the employee sets aside a certain amount of money per year — a 401k. By shifting the risks from employers to employees, companies saved huge amounts of money without nominally eliminating retirement plans. 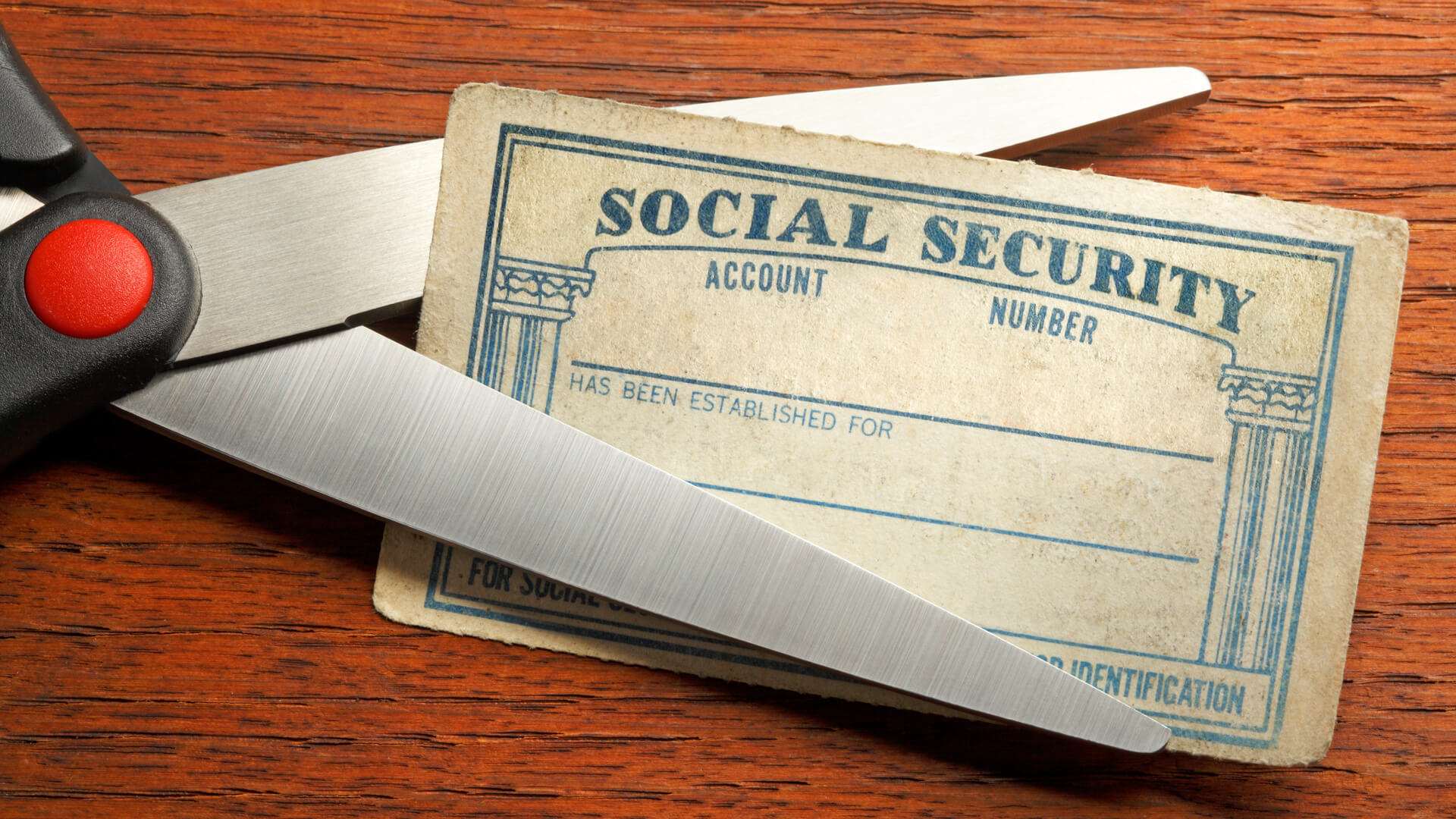 Since the Great Recession, the ratio of government debt to GDP has soared. At the same time, the growing ratio of retirees to employed taxpayers will necessitate changes to the current rates for Social Security taxes or benefits.

The Medicare trust fund will run out of money in 2029. Social Security won’t “run out,” but by 2034, the fund will not be able to pay for its current schedule of obligations. That poses a severe problem for middle-class Americans. According to the Center of Budget and Policy Priorities, Social Security is the main source of retirement income — composing more than half of total income — for 69 percent of middle-class beneficiaries.

Click through to learn the unsettling things you need to know about Social Security.