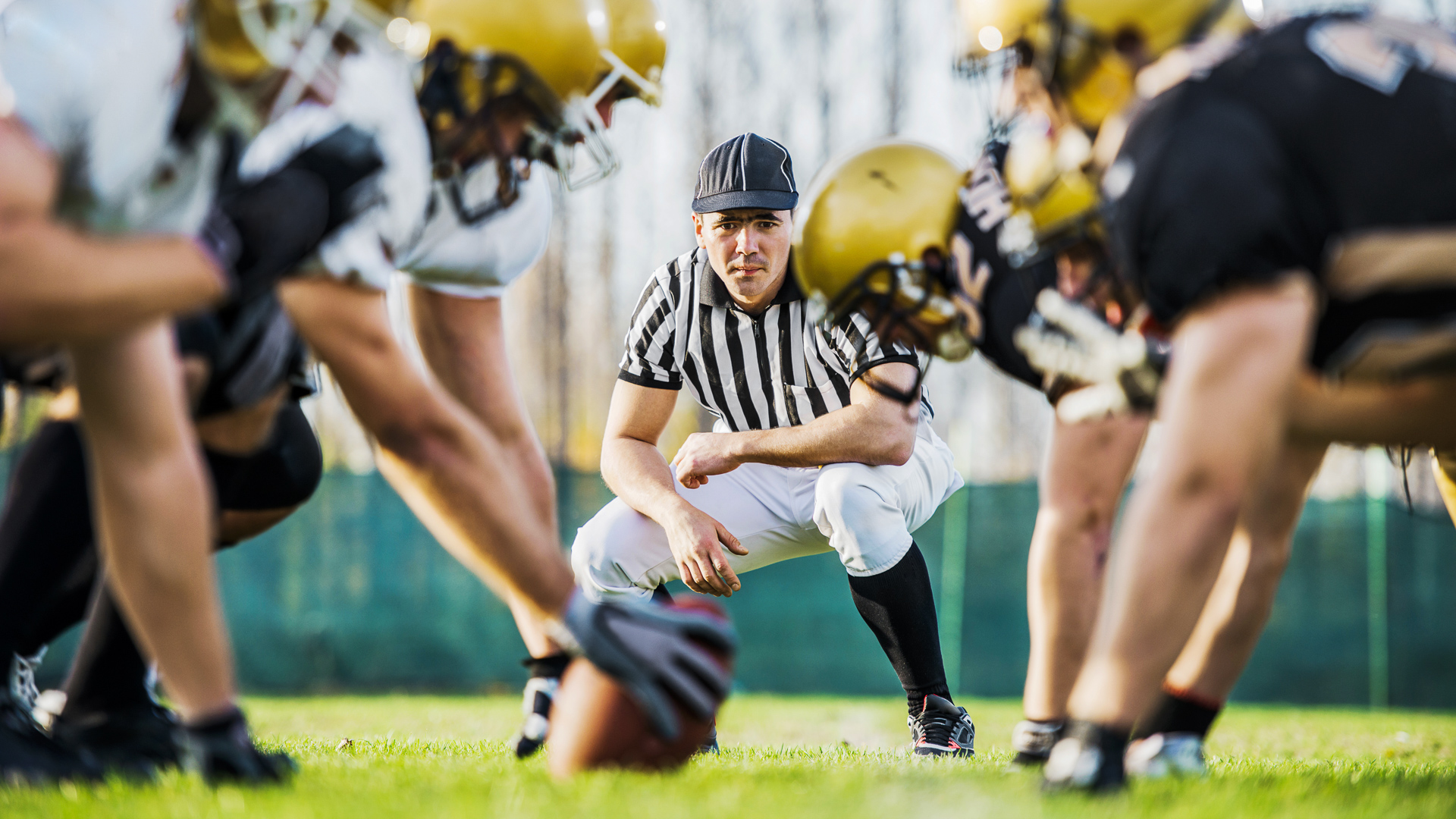 Most people probably dreamed of being rich and famous professional athletes at one point or another. For all but a talented, driven and lucky few, though, the dream remained a dream. But even those who weren’t blessed with world-class athletic talent can still have exciting careers in sports that put them close to the games they love.

From sports administration jobs to physical therapy, non-athletes earn their livings every day with a front-row seat to the games that drive their passions. Here’s a look at what they usually earn — and what they might earn if they make it to the tippy-top of the pyramid. Unless otherwise stated, salary information comes from Payscale, which uses proprietary algorithms and big data analysis to develop salary statistics. 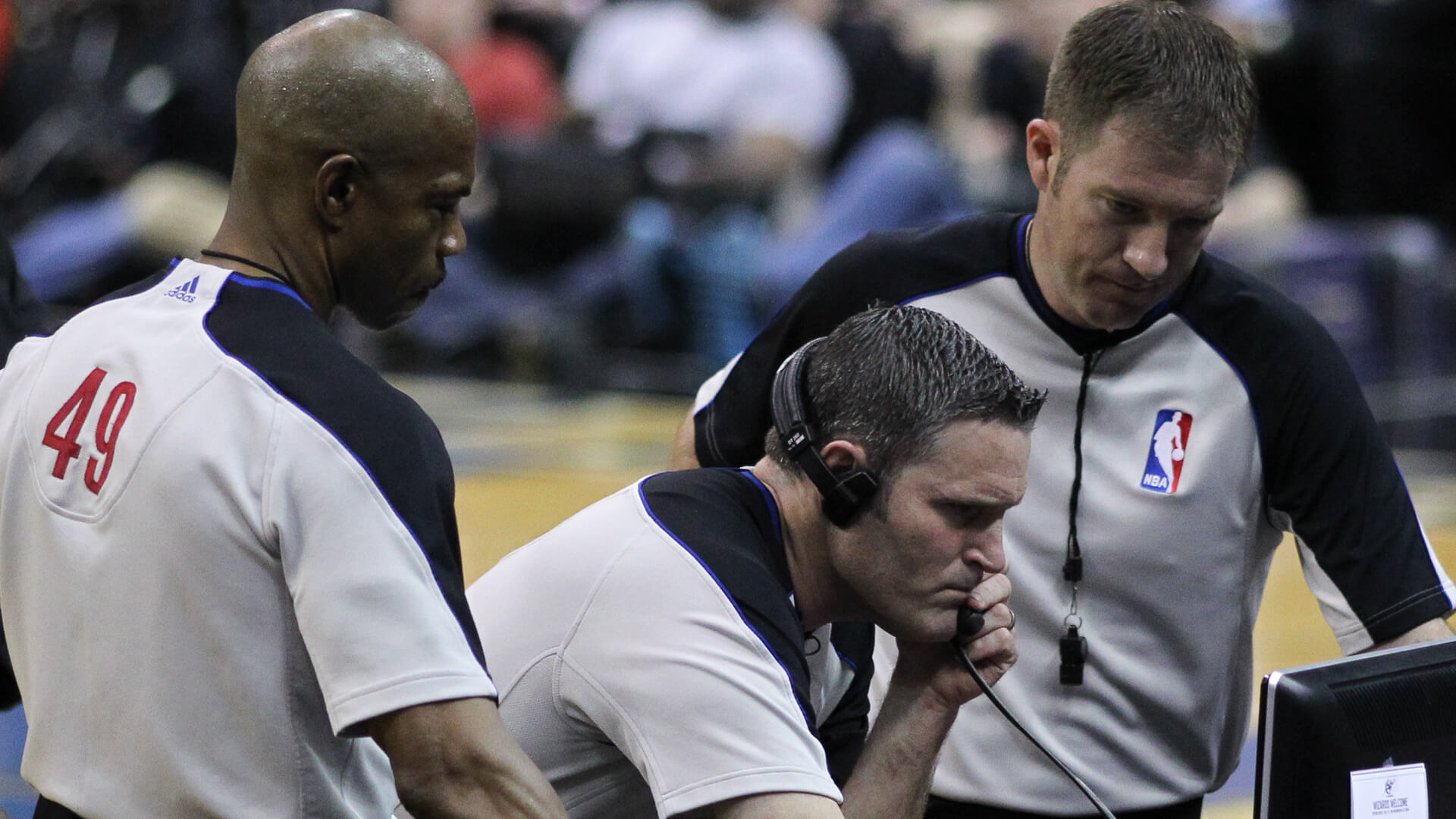 Referee, Umpire or Other Official

According to the Gazette Review, NBA referees average around $175,000 a year, or about $2,000 a game for 82 games plus the playoffs. With only about 60 spots available, however, that’s a tough job to break into. You’ll need to set clear career goals to get there. If you’re looking to wear the stripes and blow the whistle, it’s more likely that you’ll make something closer to $13 an hour, which is the median pay for referees, umpires and other officials across all sports at all levels. 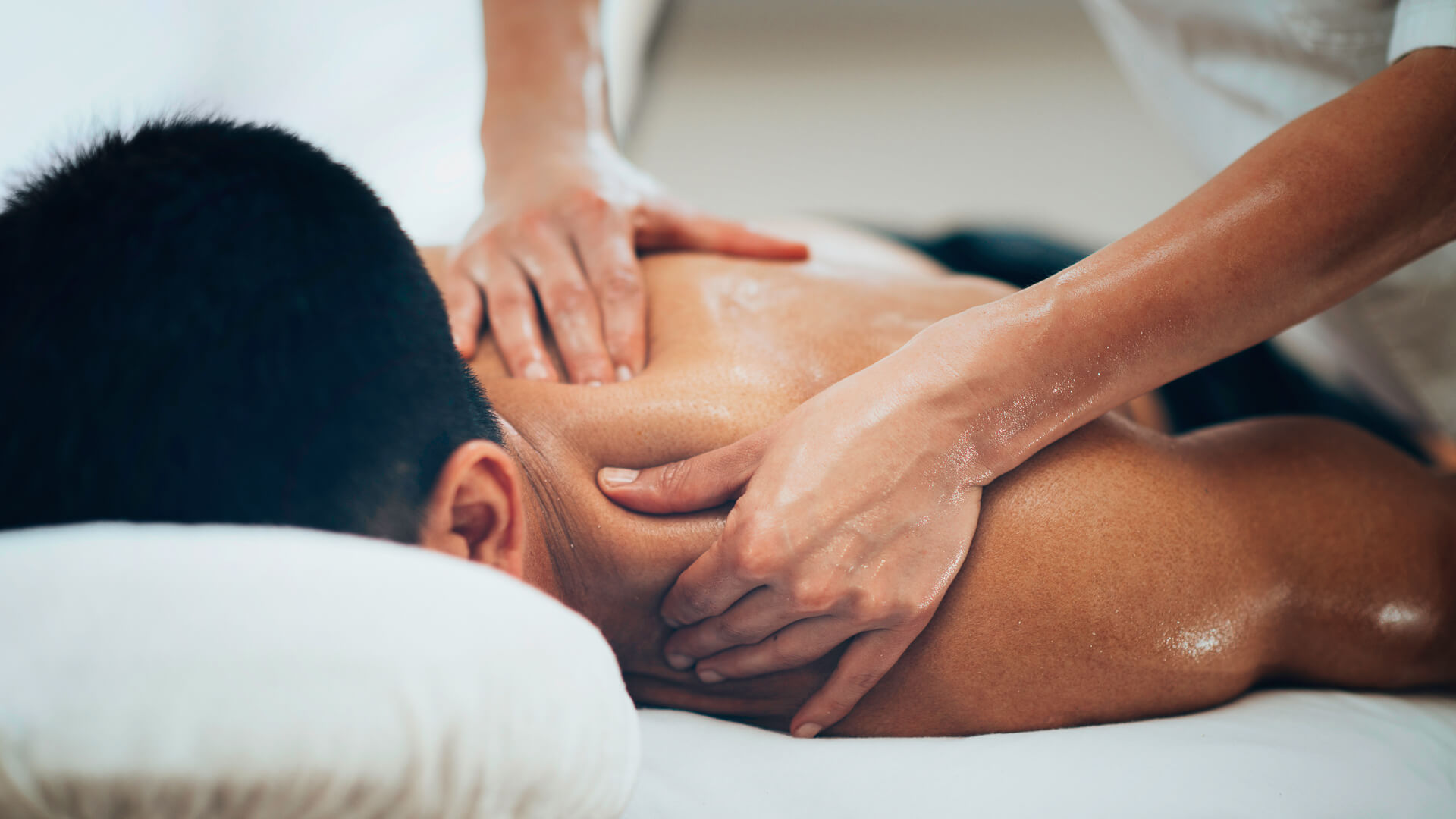 If you’re looking for a truly hands-on occupation, you can land a job soothing athletes’ battered bodies as a sports massage therapist. Working as a massage therapist is also a way you can make extra money in your spare time. Like all sports-related jobs, the pay swings wildly depending on a range of factors, not the least of which is the league that hires you. Major League Baseball therapists likely make much more than those who spend their days kneading away on AA ballplayers in the minors. Hourly wages can range from less than $18 all the way up to $145, for annual salaries between $40,407 and $222,056. The median wage is $28.90 an hour. 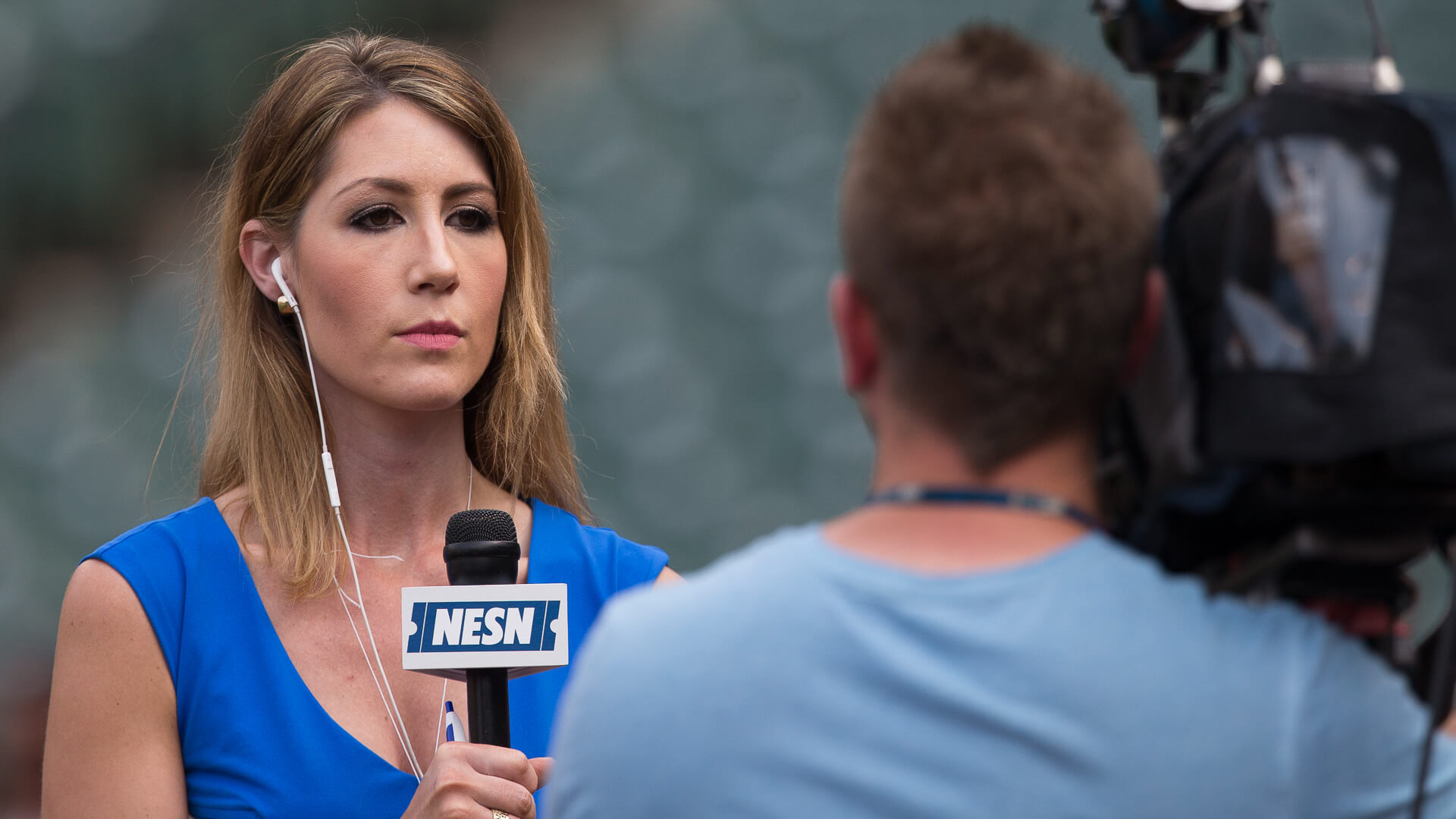 Does getting paid to go to games and write down what you see while hobnobbing with the stars in the locker room sound like one of the greatest sports jobs on earth? You probably won’t get rich in a career as a sports reporter, but all that excitement can earn you an honest living. The median salary is more than $43,960 a year, with those in the higher pay ranges earning nearly double that. 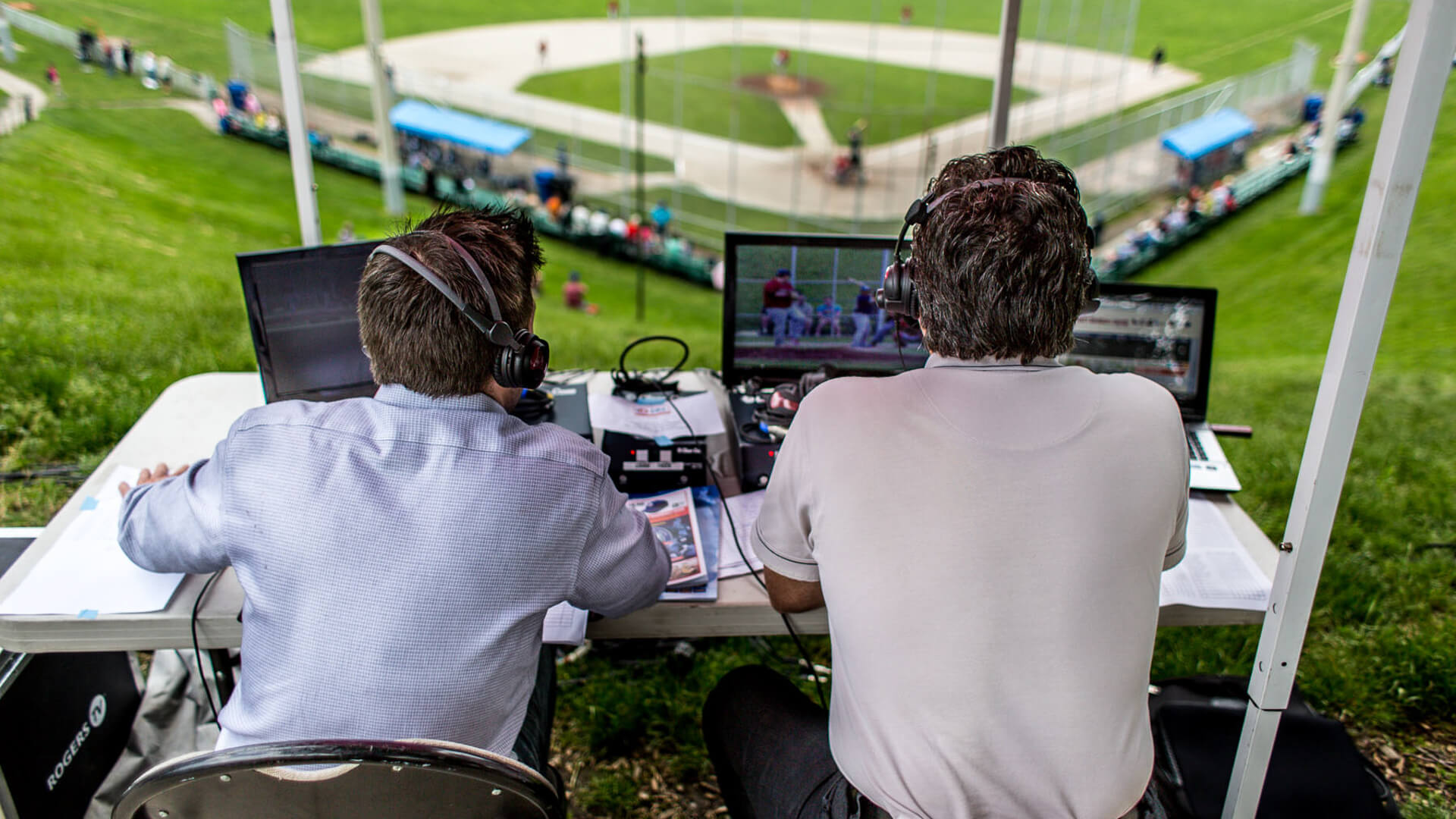 According to USA Today, the biggest sports broadcasters on the air are often richer and more famous than many of the athletes who play in the games they call. CelebrityNetWorth.com reports that Bob Costas is worth $45 million and earns an annual salary of $7 million. But if you land a broadcasting gig, it’s more likely you’ll take home in the neighborhood of $38,496, which is the median salary for broadcasters across all sports at all levels. 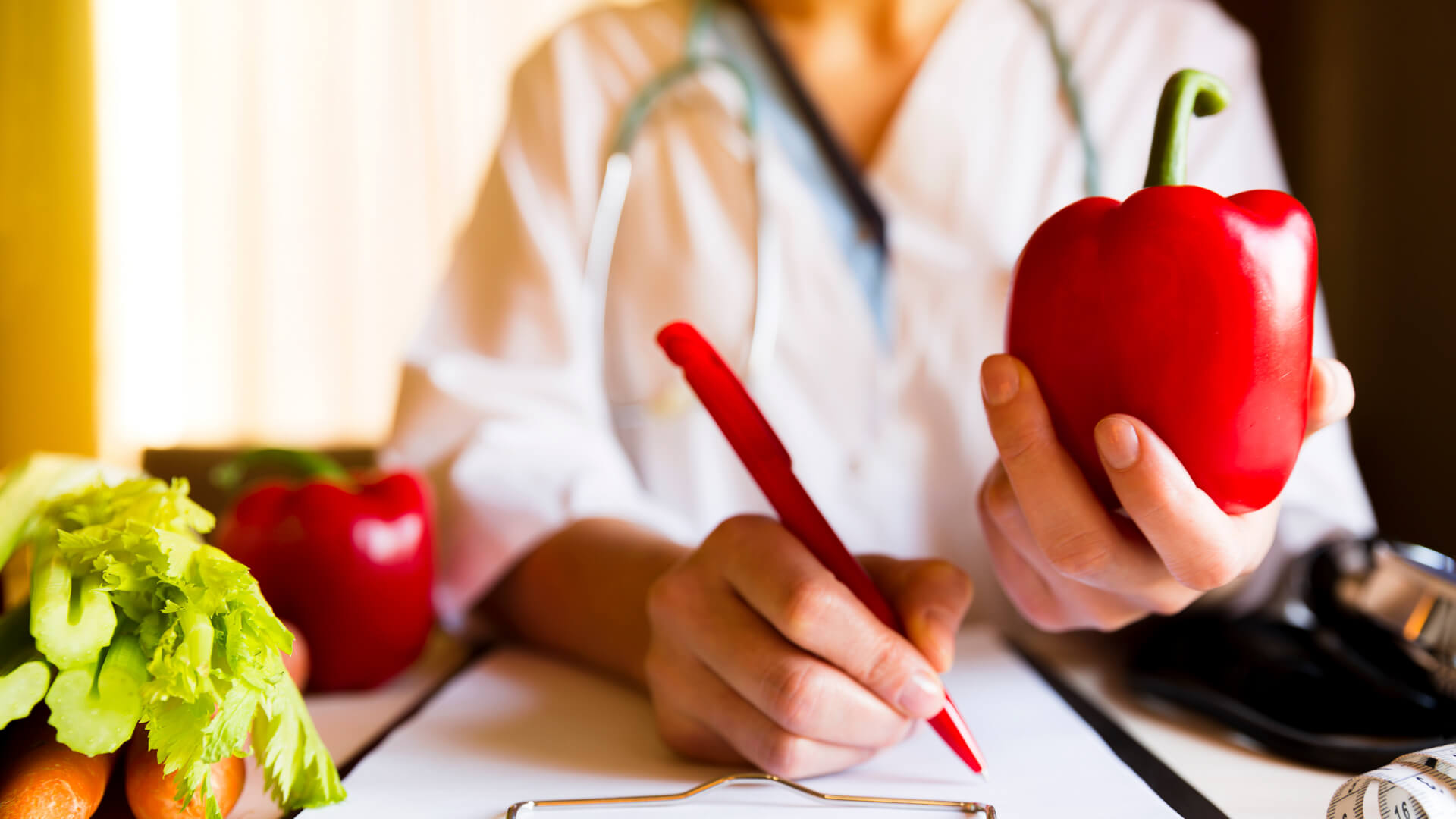 All great athletes have to eat right if they want to perform, so teams hire nutritionists to counsel both individuals and groups about the dietary requirements specific to their sports. The jobs are wide-ranging, from monitoring what kind of food the team’s facilities serve to work with outside physicians to assess athletes’ nutritional needs so they can develop diet plans. Salaries tend to range from around $38,460 a year to more than $84,610. Working as a nutritionist is also a high-paying part-time job. 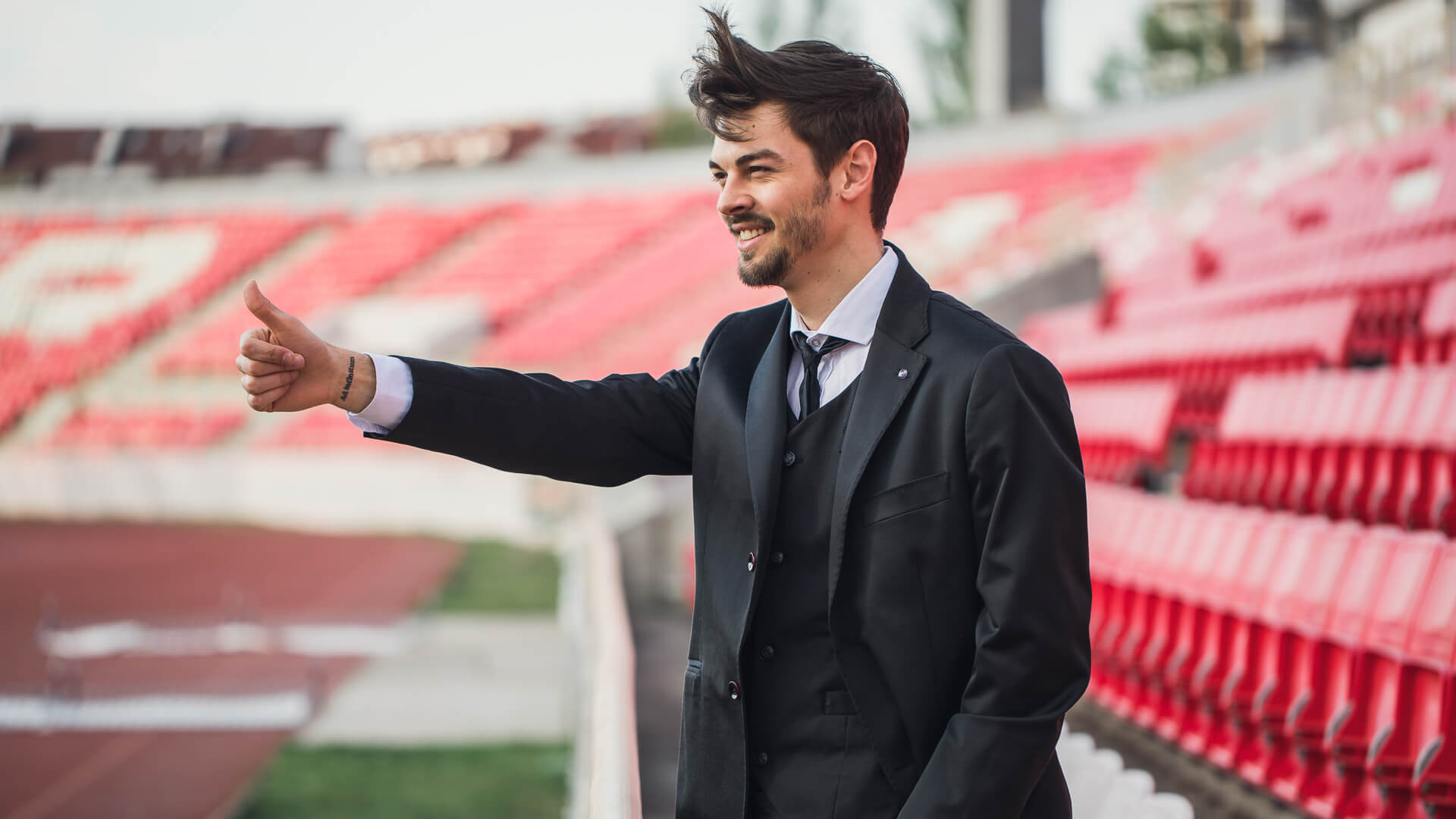 So you think you’ve got an eye for talent? Or maybe you’ve developed the next can’t-lose “Moneyball”-esque scouting formula? Sizing up the next generation of sports superstars is one of the coolest sports management jobs available, and it can pay upwards of $77,880 a year — but only for those earning the biggest salaries at the most well-heeled clubs. The median pay is $33,780. 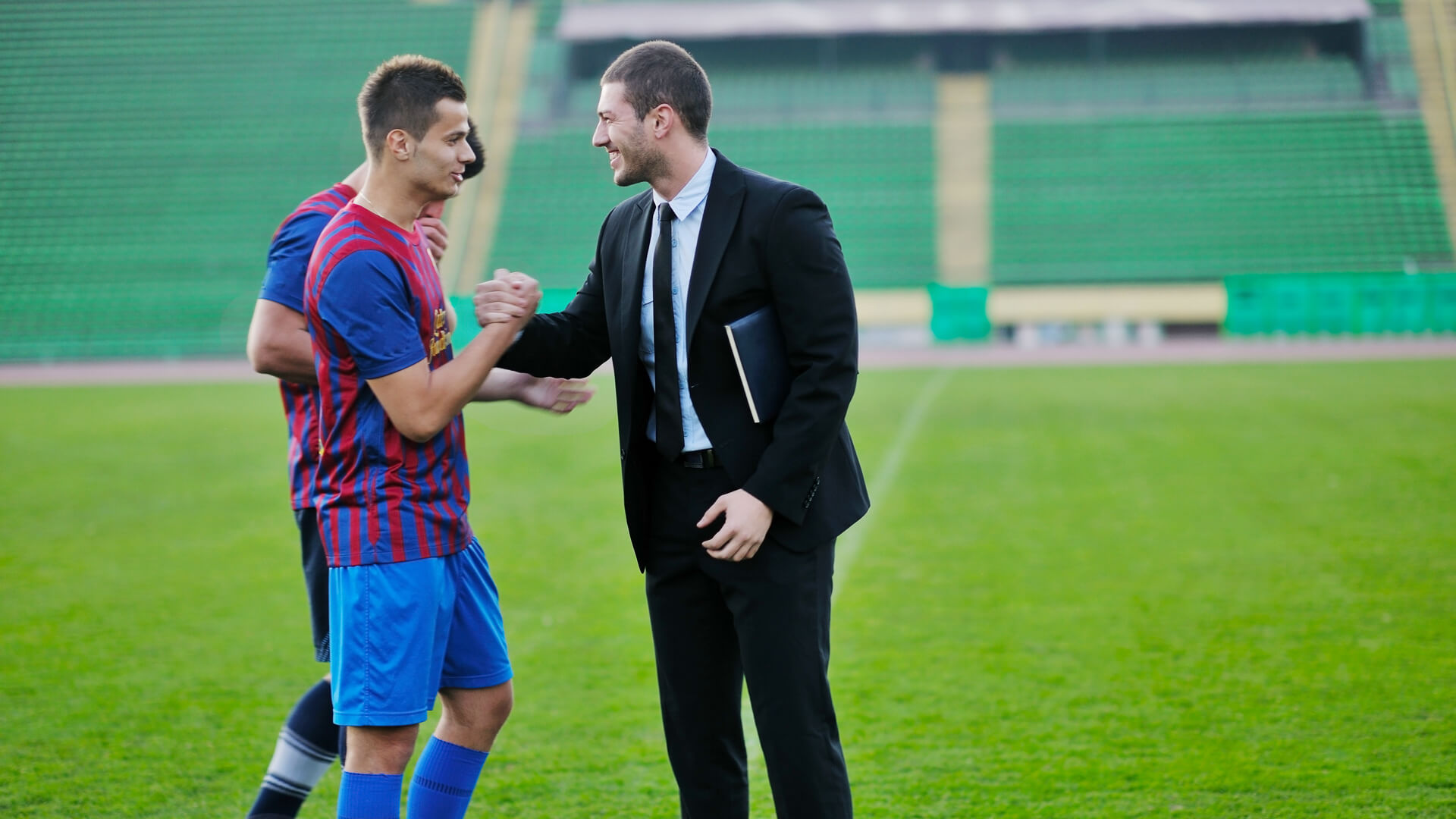 According to Forbes, the 50 most powerful sports agents hold a combined $32.6 billion in combined contracts with $1.5 billion in combined commissions. The highest earner alone, Scott Boras, had as much as $108 million in commissions in 2017. Like coaching positions, however, a few dozen top dogs tend to hoard the lion’s share of the business. If you’re looking to become an agent, expect a median salary of $94,750. 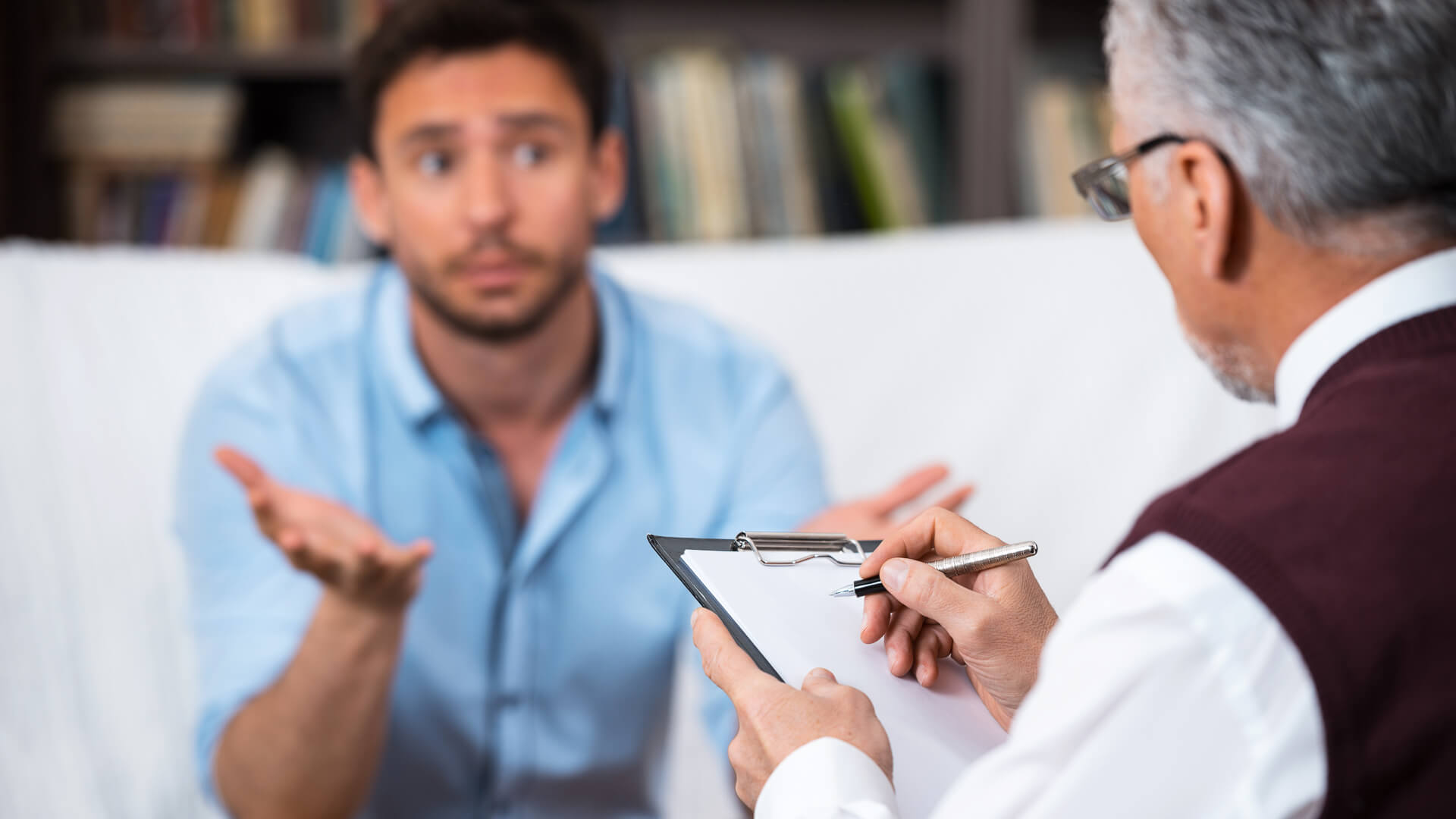 An article from the American Psychological Association explained why this career is in such heavy demand: “From Olympic champions to weekend warriors, athletes of all levels are hiring sport psychologists to give them a mental edge.” The association, which lists sports psychologist as a “hot career,” estimates a university-level professional will likely earn between $60,000 and $80,000 a year, with the highest earners banking six figures. 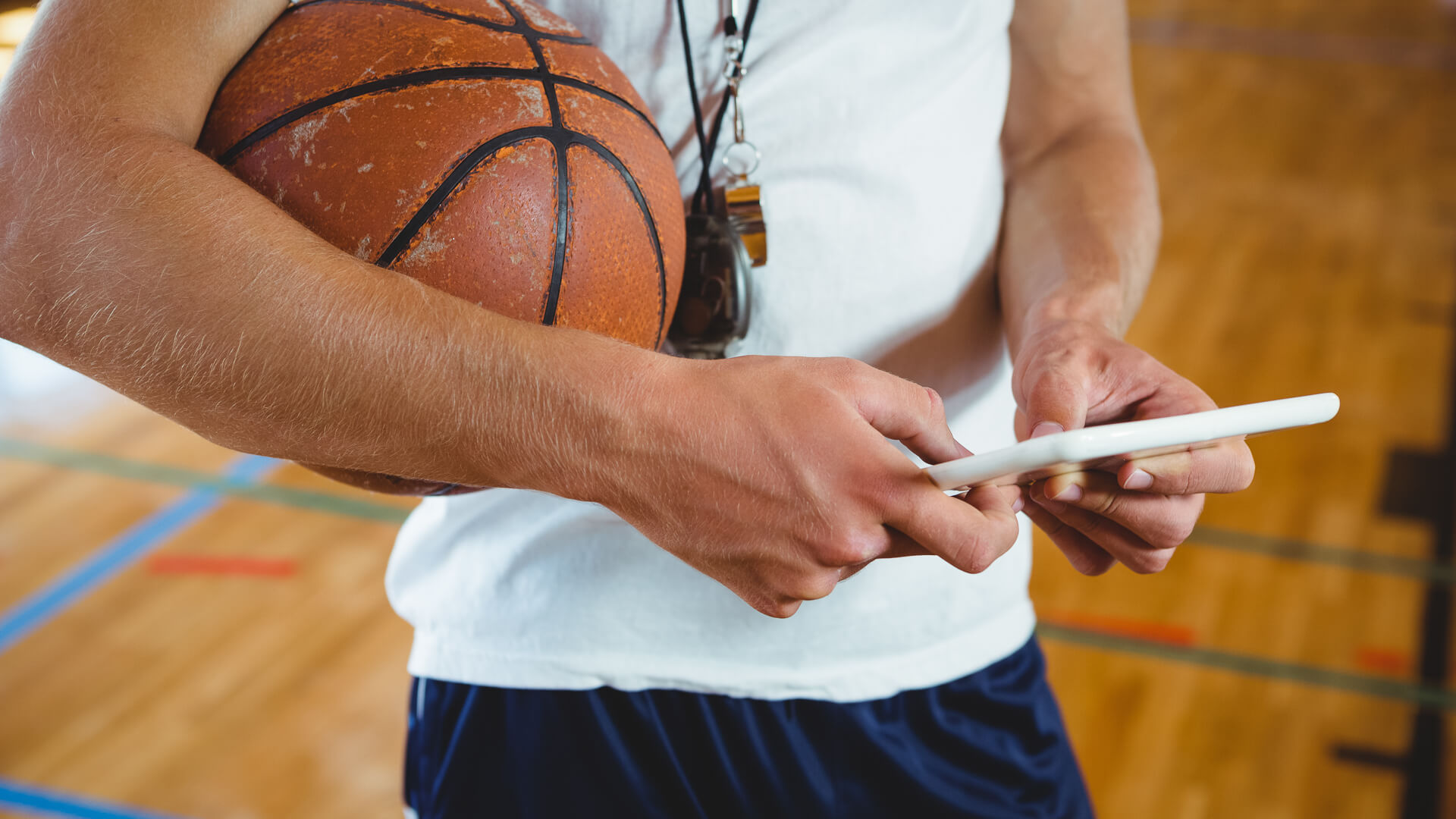 According to the latest data from ESPN, a college football or basketball coach is the highest-paid public employee in 39 of the 50 states. USA Today recently reported that the 78 highest-earning NCAA football coaches all earn $1 million or more. Fifty-seven of them earn at least $2 million and the highest earner, University of Alabama head coach Nick Saban, pulls in eight-figures. 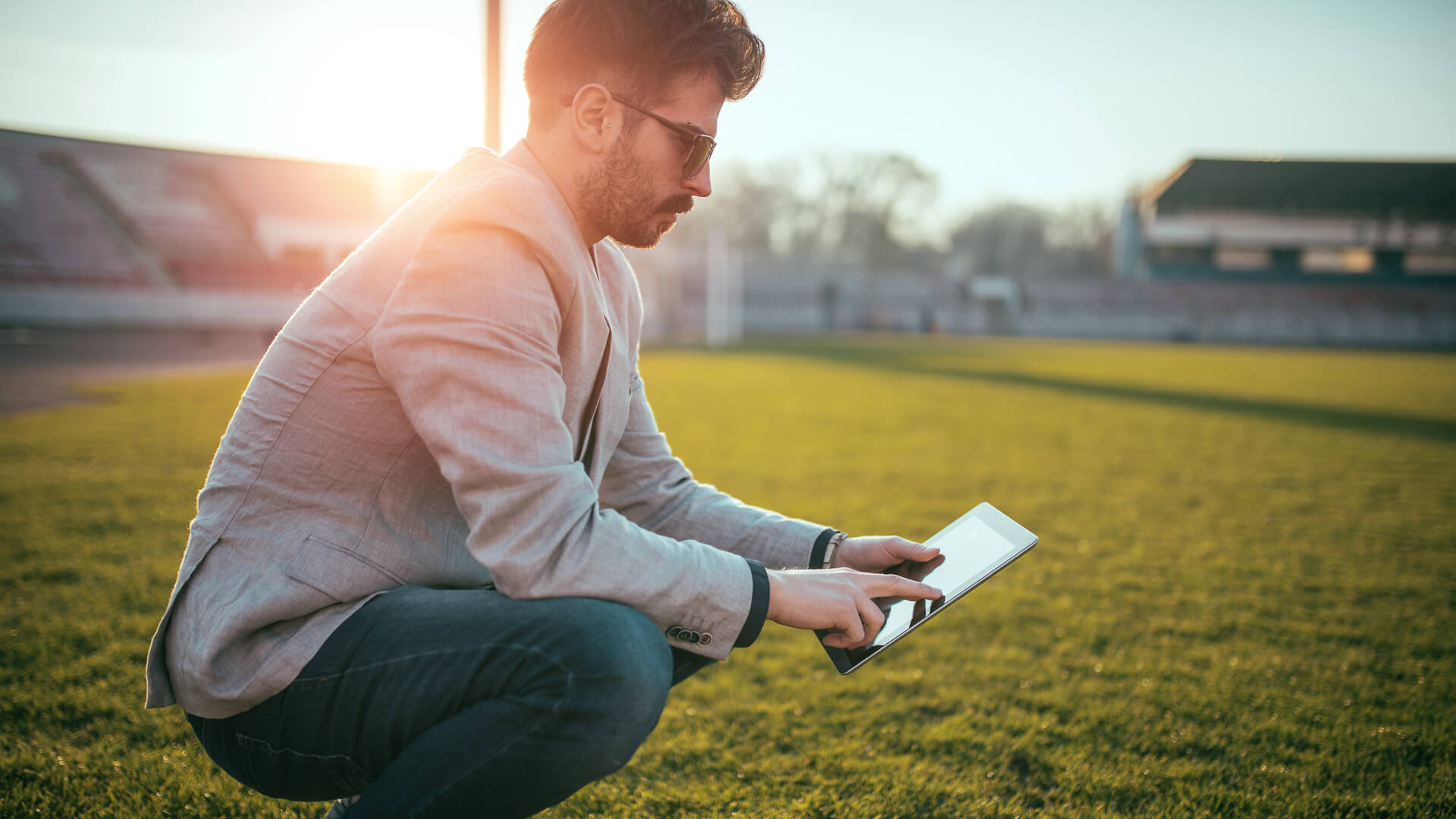 If you’re hired as general manager, you can expect to land a contract that pays between $30 million and $35 million over five years — provided your team is the Denver Broncos and you’re two-time Super Bowl champion, nine-time NFL pro bowler, Hall of Fame legend and Denver golden child John Elway. If you’re a mere mortal whose number isn’t hanging up in an NFL stadium — and you don’t go to work every day in an NFL stadium — you’re more likely to get around $53,315, which is the average salary according to career and salary data site indeed.com. 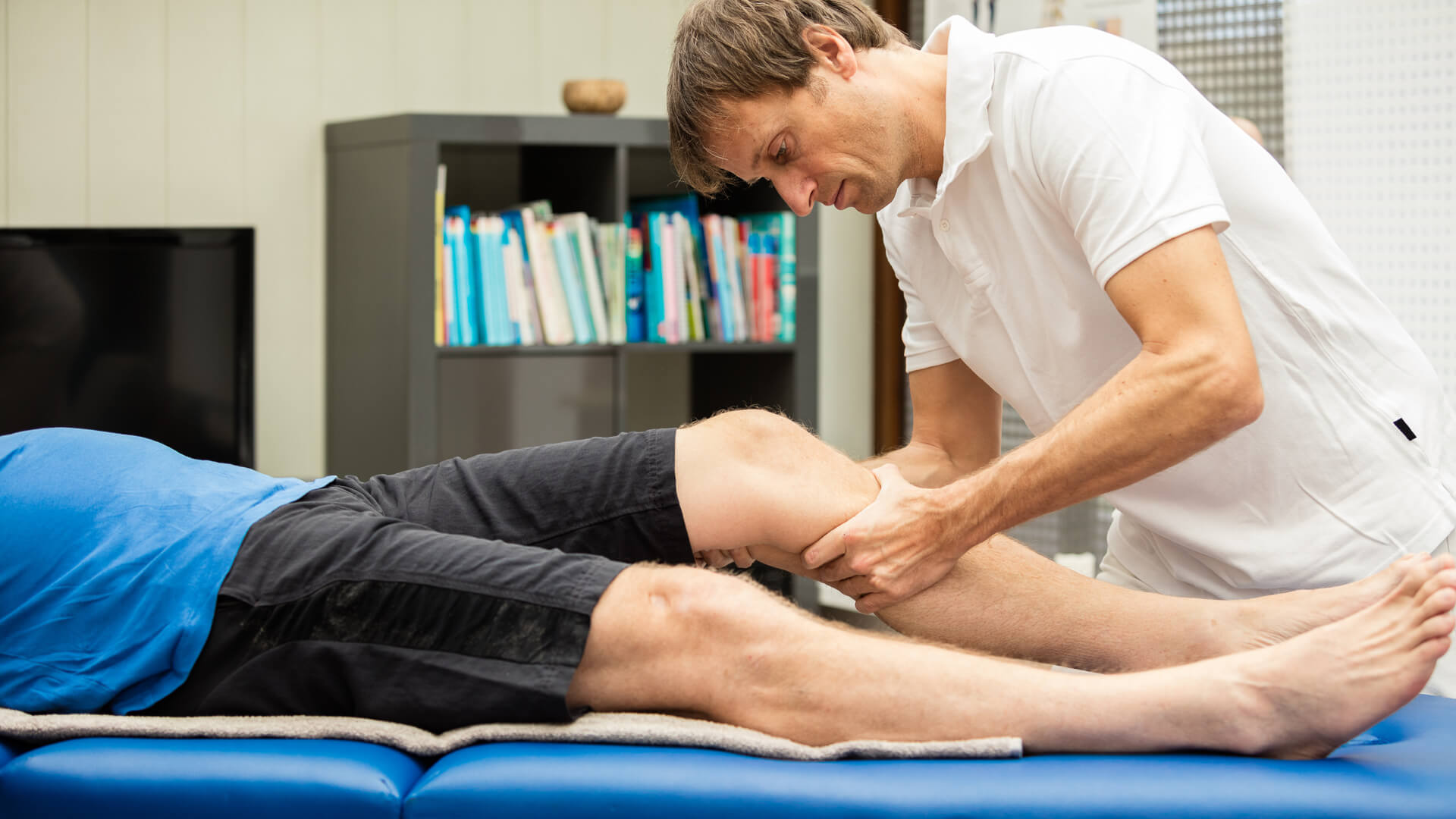 The median annual salary for sports doctors is just north of $63,393. Sports-specific physicians specialize in diagnosing, treating and recommending specialized care for athletes with sports-related injuries. They might also help create programs designed to prevent injuries and increase player durability. Surgeons who operate on athletes can make much more than a general sports medicine practitioner; surgeon was the highest-paying job in 2017. According to glassdoor.com, you can make up to $102,000 a year working in sports medicine. 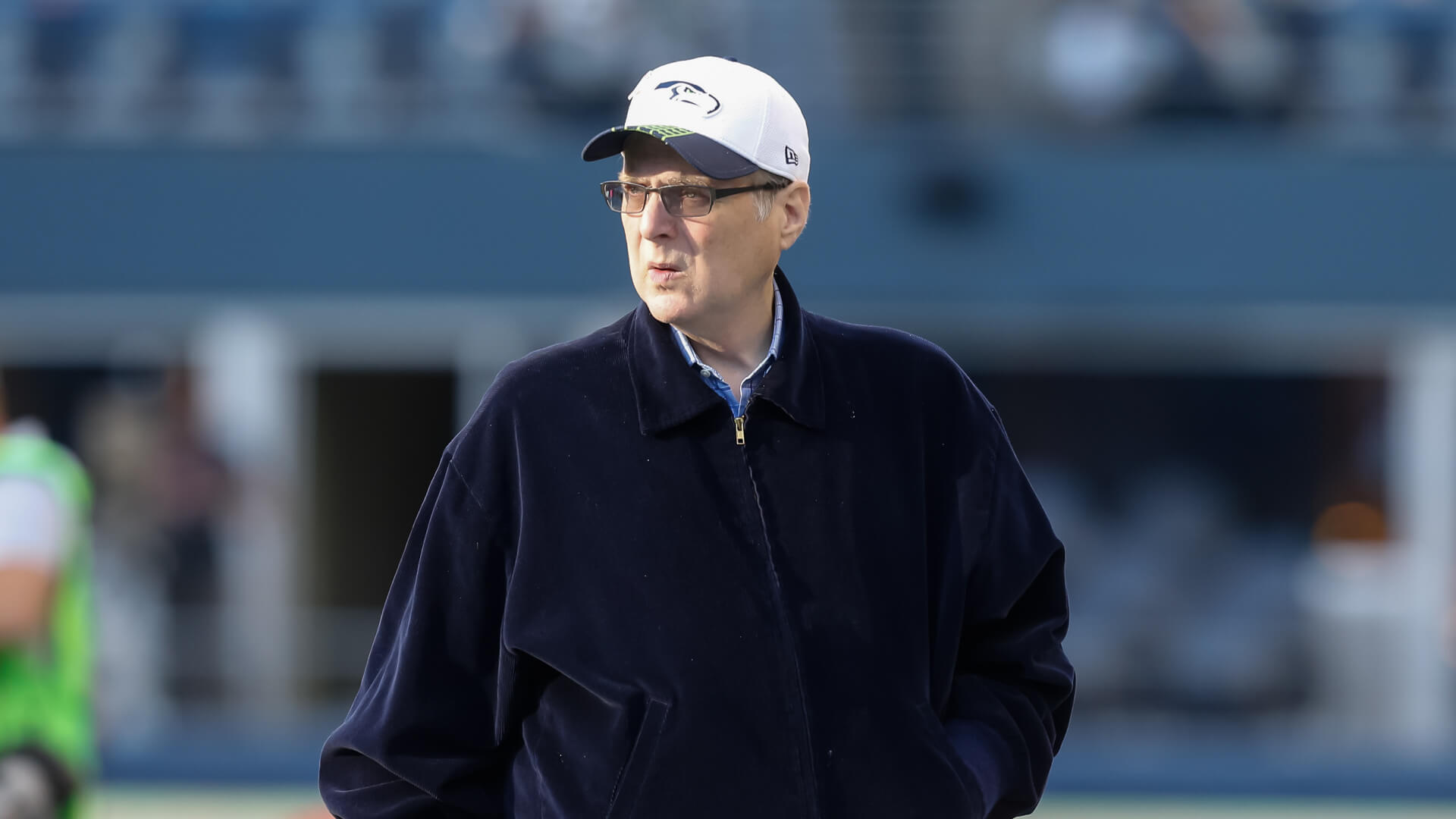 Team owners don’t have median salaries — they gobble up vast sums of cash through multiple revenue streams that range from stadium naming rights and ticket sales to television contracts. According to Forbes, professional team owners all have one thing in common: They’re among the richest people in the world. Microsoft’s 30th employee was Steve Ballmer, who bought the L.A. Clippers in 2014 after retiring from the software giant. He has a net worth of $33.6 billion. Fellow Microsoft big shot Paul Allen, who co-founded the company with high school buddy Bill Gates, is worth $20.6 billion. He owns both the Portland Trail Blazers and the Seattle Seahawks.

Information was sourced from BLS.gov, glassdoor.com and indeed.com, and is accurate as of July 2019.