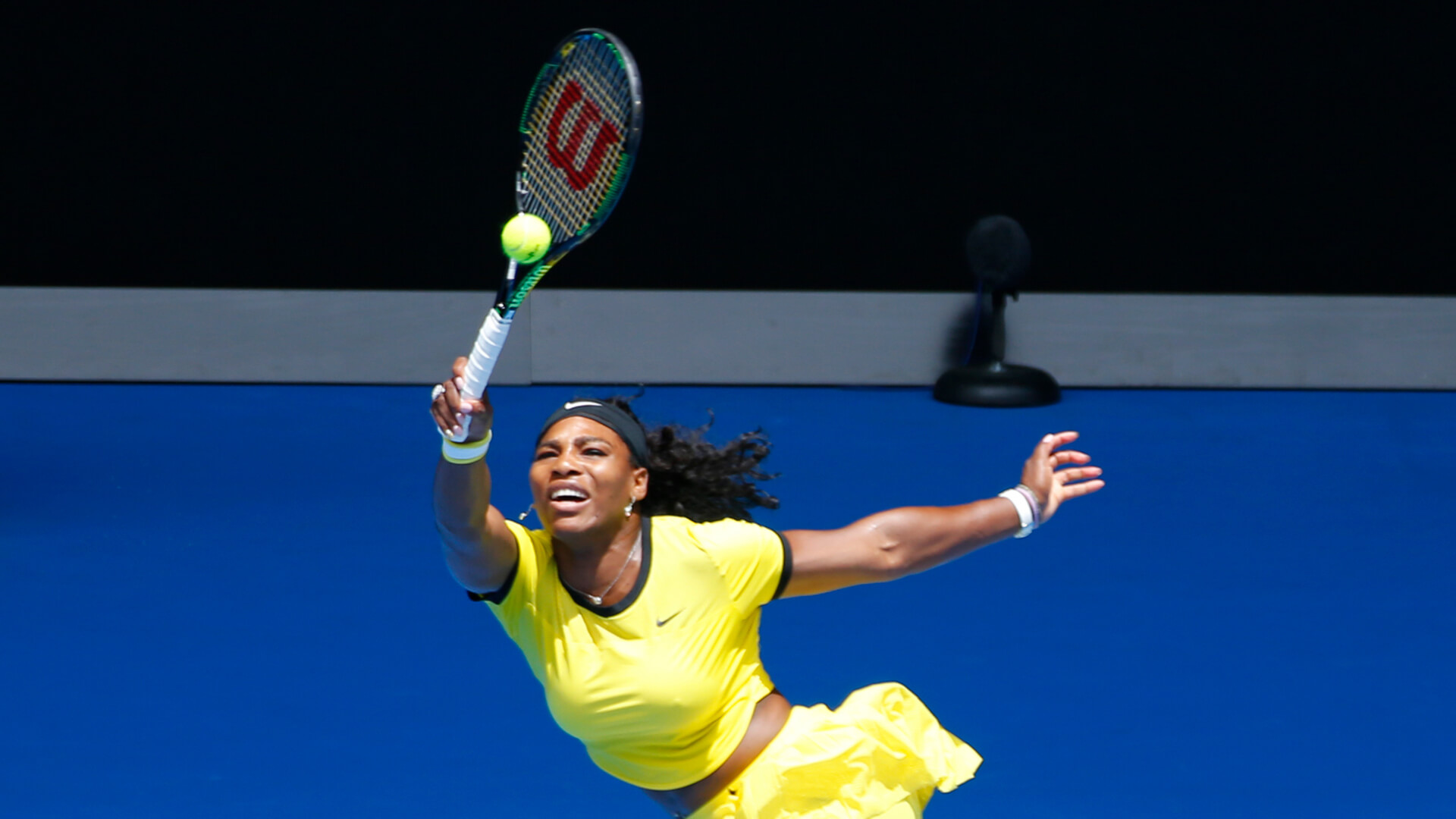 To many, tennis is a leisurely pastime, but for the most talented professional players in the game, it’s a way to nab lucrative paychecks. From hefty tournament winnings to enormous endorsement contracts, some of the top tennis players are winning on and off the court.

As the tennis season gets underway, learn more about the highest-paid tennis players and how much they’re earning by staying at the top of their games. 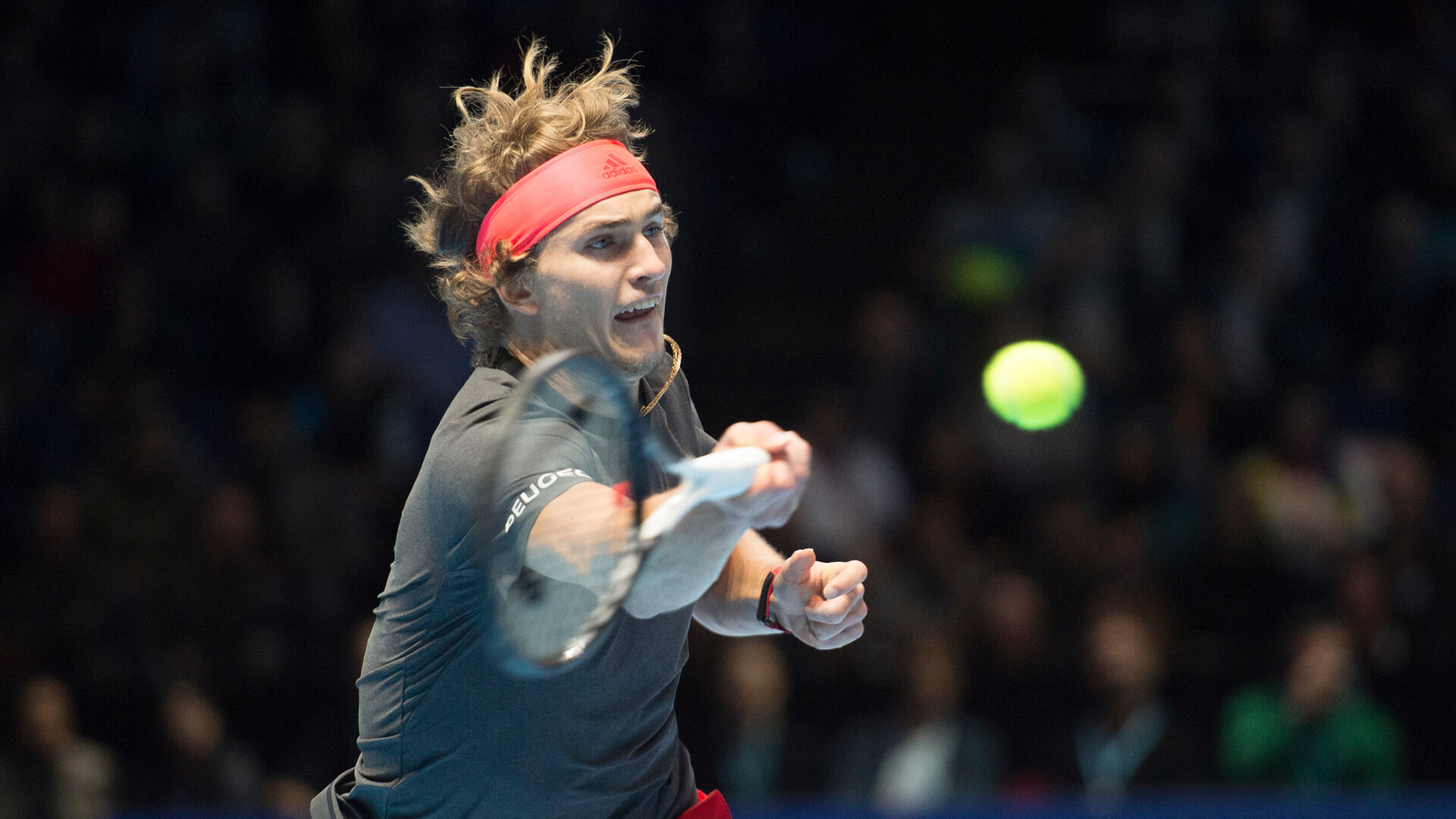 Alexander Zverev Net Worth: Has Won Over $15M in Prize Money

As one of the youngest players on this list, 21-year-old Alexander Zverev is ranked No. 4 by the ATP. Although Zverev has yet to win a Grand Slam title, he has won 10 other singles titles since 2016, including a win at the 2018 Nitto ATP Finals against tennis icon Novak Djokovic and a win against Roger Federer at the 2017 Rogers Cup.

Since he turned professional in 2013, Zverev has racked up $15,747,928 in prize money and some more paychecks with several endorsement deals. He has signed with sportswear company Adidas and Richard Mille, according to Forbes.

Make Good Money on the Sidelines: High-Paying Jobs for People Who Love Sports 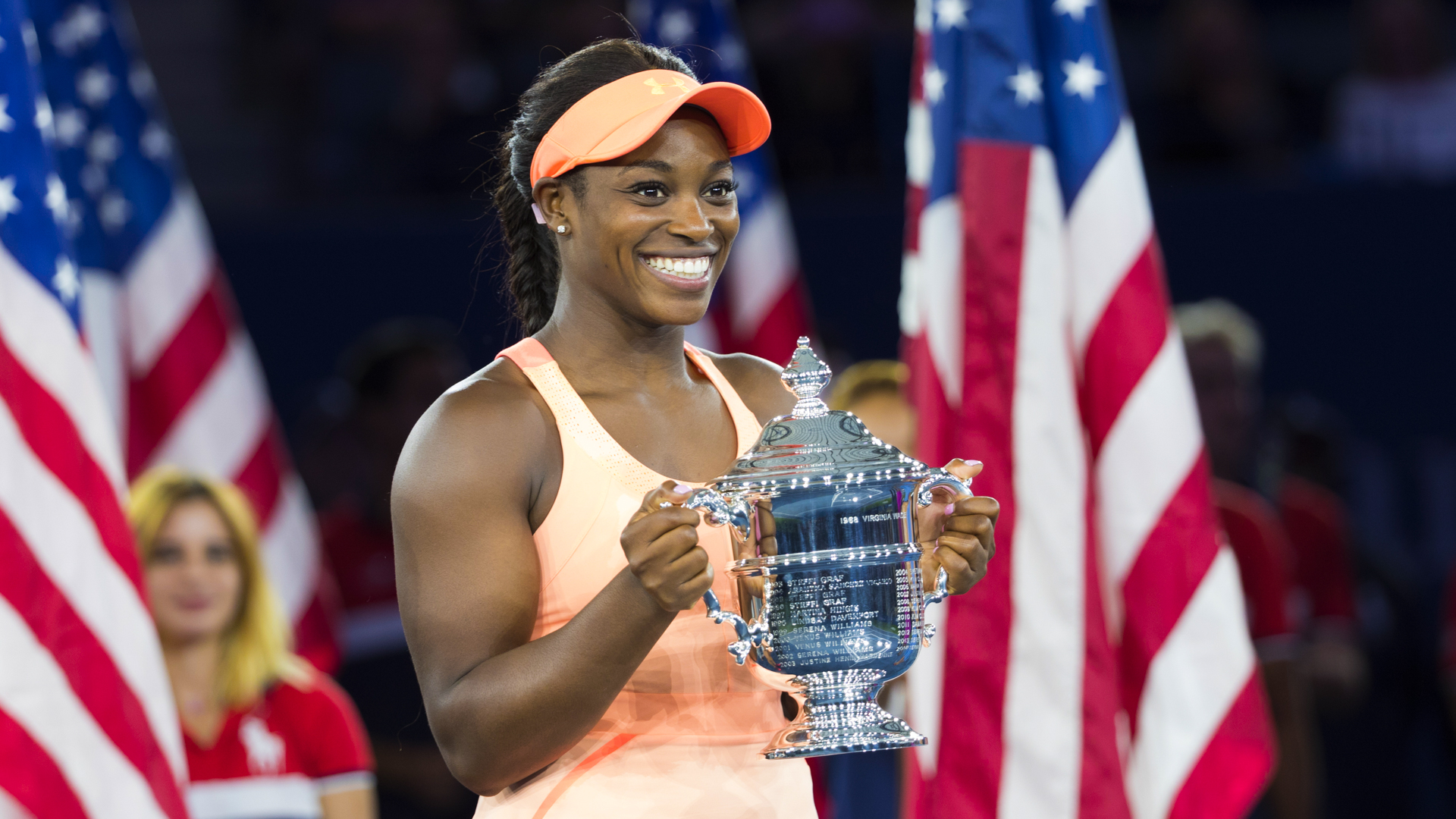 Ranked No. 5 by the Women’s Tennis Association, Sloane Stephens’ career took off in 2011 when she was the youngest player to debut in the Top 100 that year. From 2013-16, Stephens quickly solidified herself as a force in the tennis world, facing powerhouses Serena Williams and Maria Sharapova. But in 2017, the tennis star gained worldwide recognition when she won her first Grand Slam title at the U.S. Open just 11 months after returning from a foot injury. Stephens was also the runner-up in last year’s French Open, losing to No. 1-ranked Simona Halep.

But Stephens’ win at the U.S. Open added millions to her bank account — she received $3.7 million in prize money. Overall, Stephens has won $13,396,548 in prize money and is currently worth $4 million. 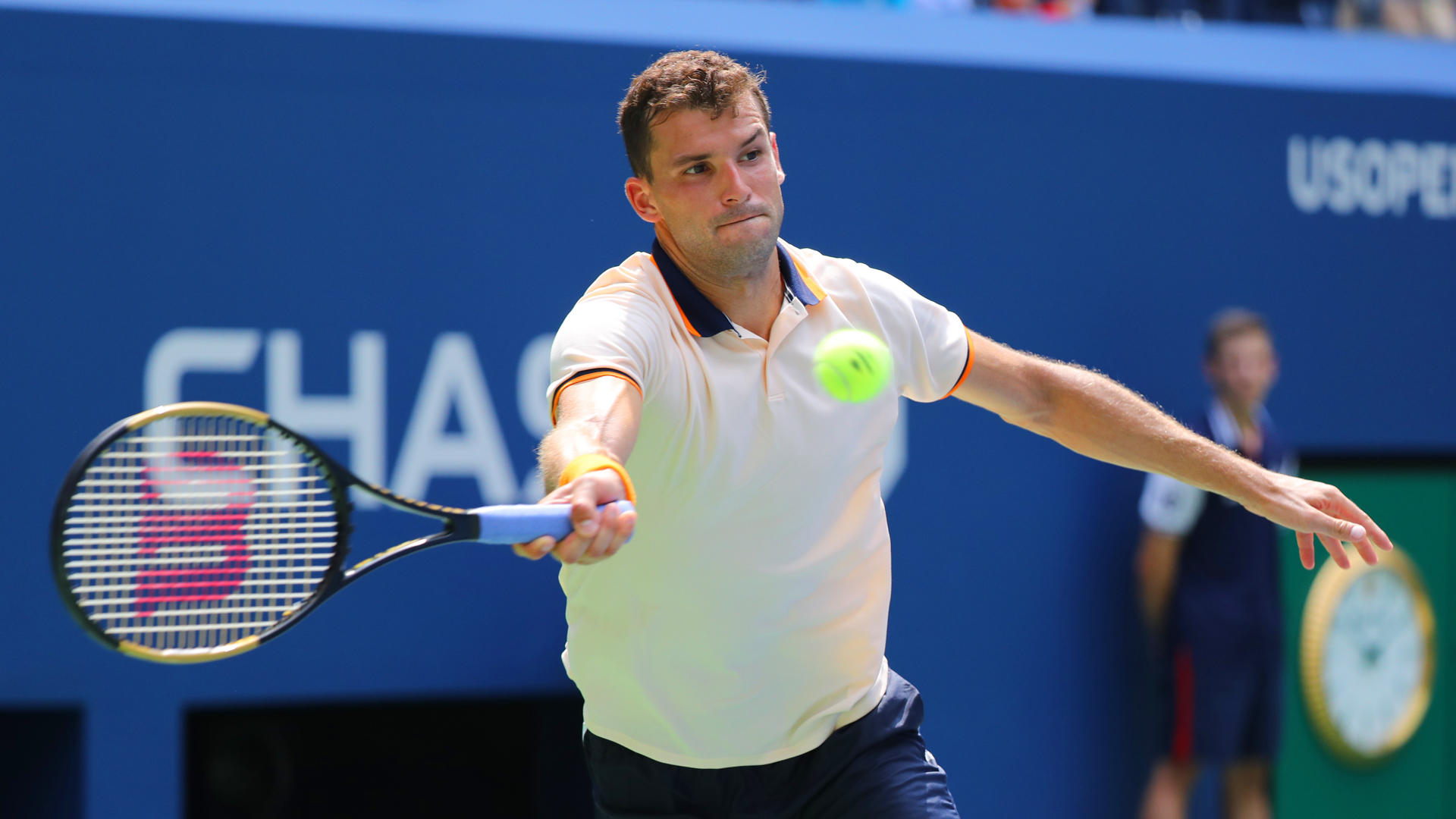 Bulgarian tennis player Grigor Dimitrov is currently ranked No. 21 by the ATP. He gained attention in 2014 when he defeated British tennis player Andy Murray in the quarterfinals at Wimbledon. That same year, he advanced to the quarterfinals of the Australian Open, where he ultimately lost to Rafael Nadal. In 2017, Dimitrov made his way back to the Australian Open, where he again lost to Nadal in the semifinals. Although he hasn’t won a Gram Slam title yet, he has eight other singles titles.

In 2015, Forbes reported that Dimitrov made $5.5 million in endorsements and earned $7.8 million, making him one of the highest-paid tennis players at the time. Currently, his net worth is $8 million. 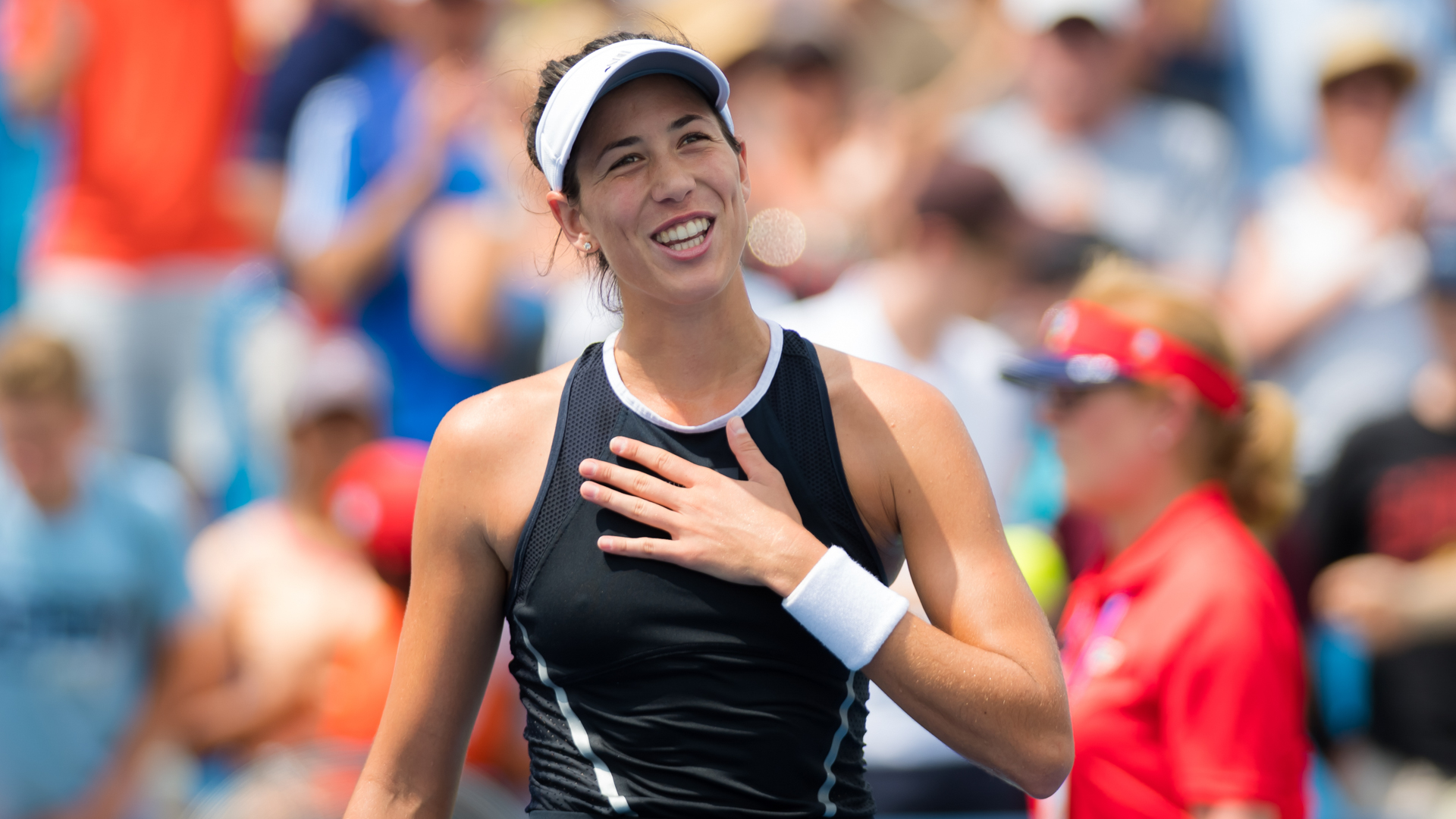 At 25 years old, Spanish tennis player Garbiñe Muguruza is currently ranked No. 18 among women tennis players. Muguruza gained exposure in 2015 when she won a WTA title, finished No. 3 overall and was runner-up at Wimbledon against Serena Williams. About a year later, she defeated Williams to win the French Open in 2016. She then defeated Venus Williams in the 2017 Wimbledon title match to claim her second Grand Slam victory.

Over the course of her career, Muguruza has earned a little over $18 million in prize money. She has also become an ambassador for Mazda Spain and BBVA in 2014. 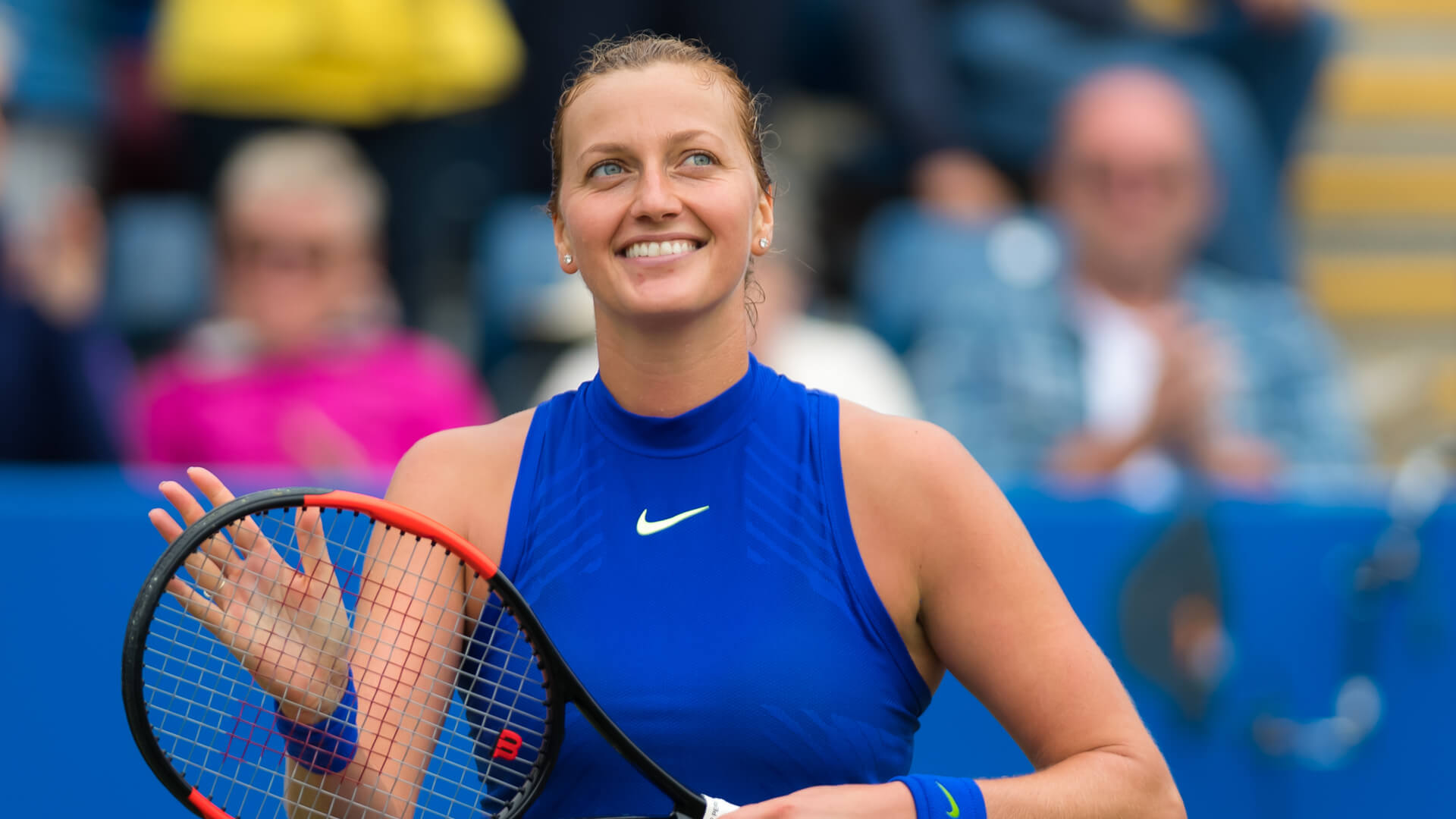 The Czech star has won around $27.5 million in prize money throughout her career. A few weeks into this year alone, Kvitová has already scored $154,580 in prize money. The powerhouse tennis player, currently ranked No. 6 in doubles, has won two Wimbledon titles. But as successful as Kvitová is, her career almost ended in 2016 when she was injured in a knife attack that severely damaged her hand. 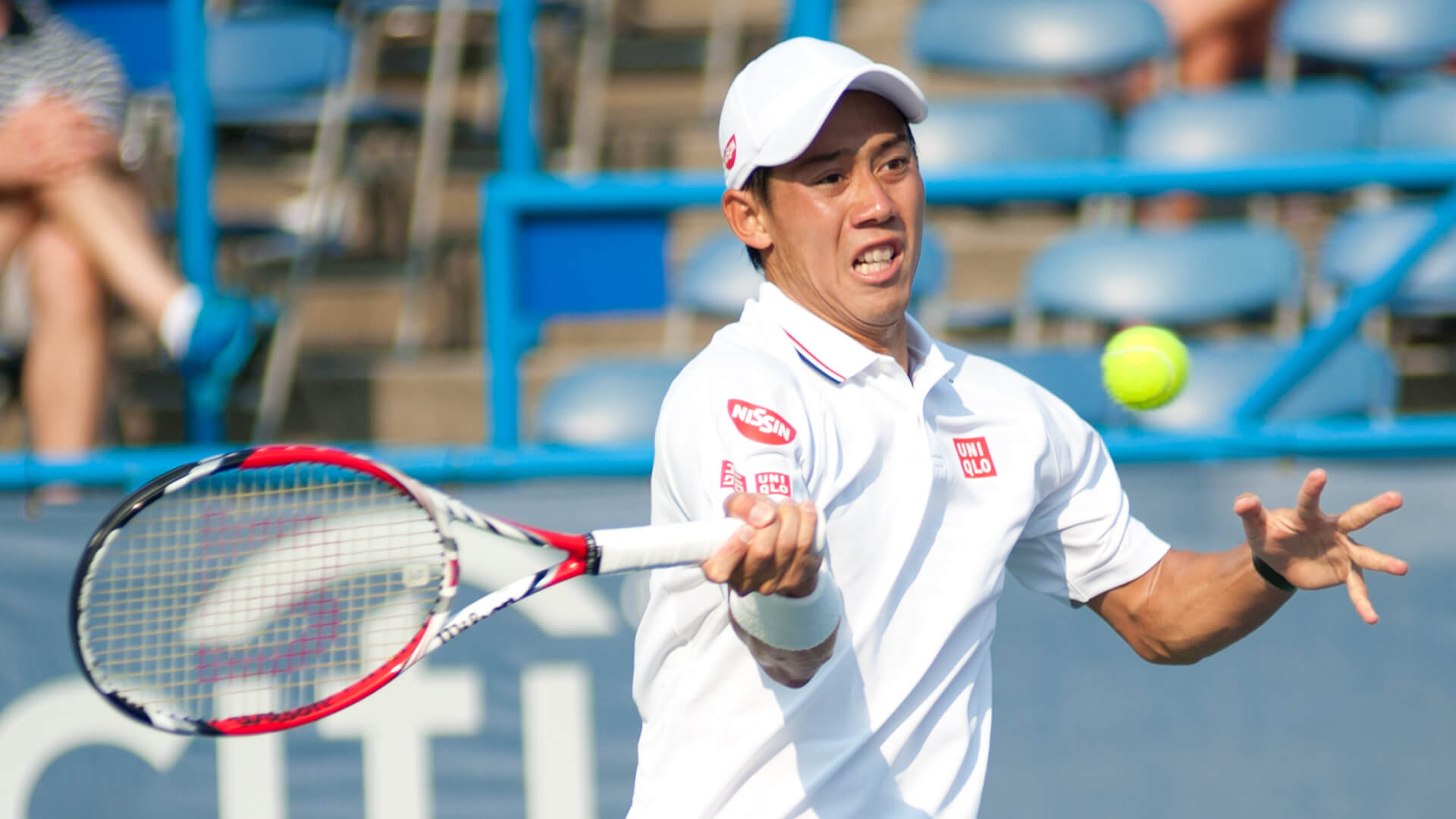 Japan’s top pro tennis player, Kei Nishikori, is an 11-time ATP World Tour winner and the No. 9-ranked male tennis player in the world. Nishikori has won more than $21,700,000 in prize money throughout his career.

Although Celebrity Net Worth puts Nishikori’s net worth at $24 million, Forbes believes he’s more highly paid and put his earnings at $34.6 million in 2018. Though he sat out from a wrist injury during the last months of 2017, Nishikori still kept his endorsement deals, which include Nike, Jaguar, Wilson and Uniqlo. 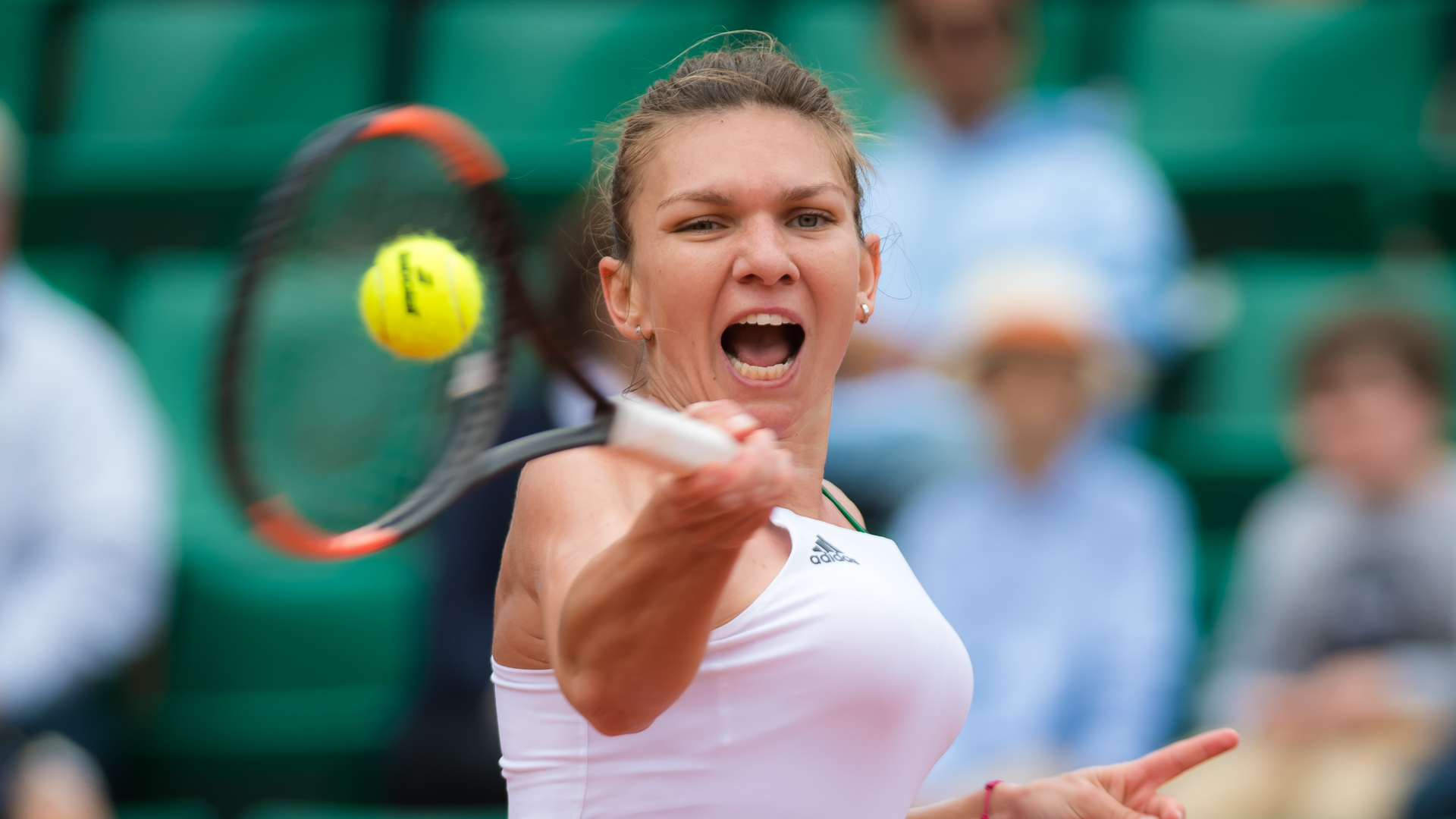 Ranked No.1 by the WTA, Simona Halep has been a dominant force in women’s tennis for the last several seasons. Recently, she defeated American tennis player Sloane Stephens to claim the French Open title in 2018 and was runner-up to Caroline Wozniacki at the 2018 Australian Open. Halep has just one Grand Slam title under her belt, but an impressive 18 WTA singles titles, six of which she won in 2013. She’s also competed, and won, against Serena Williams multiple times. However, Williams recently defeated the 27-year-old in the fourth round of the 2019 Australian Open.

The tennis star recently dropped her endorsement with Adidas and signed with Nike in a deal reportedly worth $2 million. Halep has won a total of $28,157,199 in prize money and is currently worth $25 million. 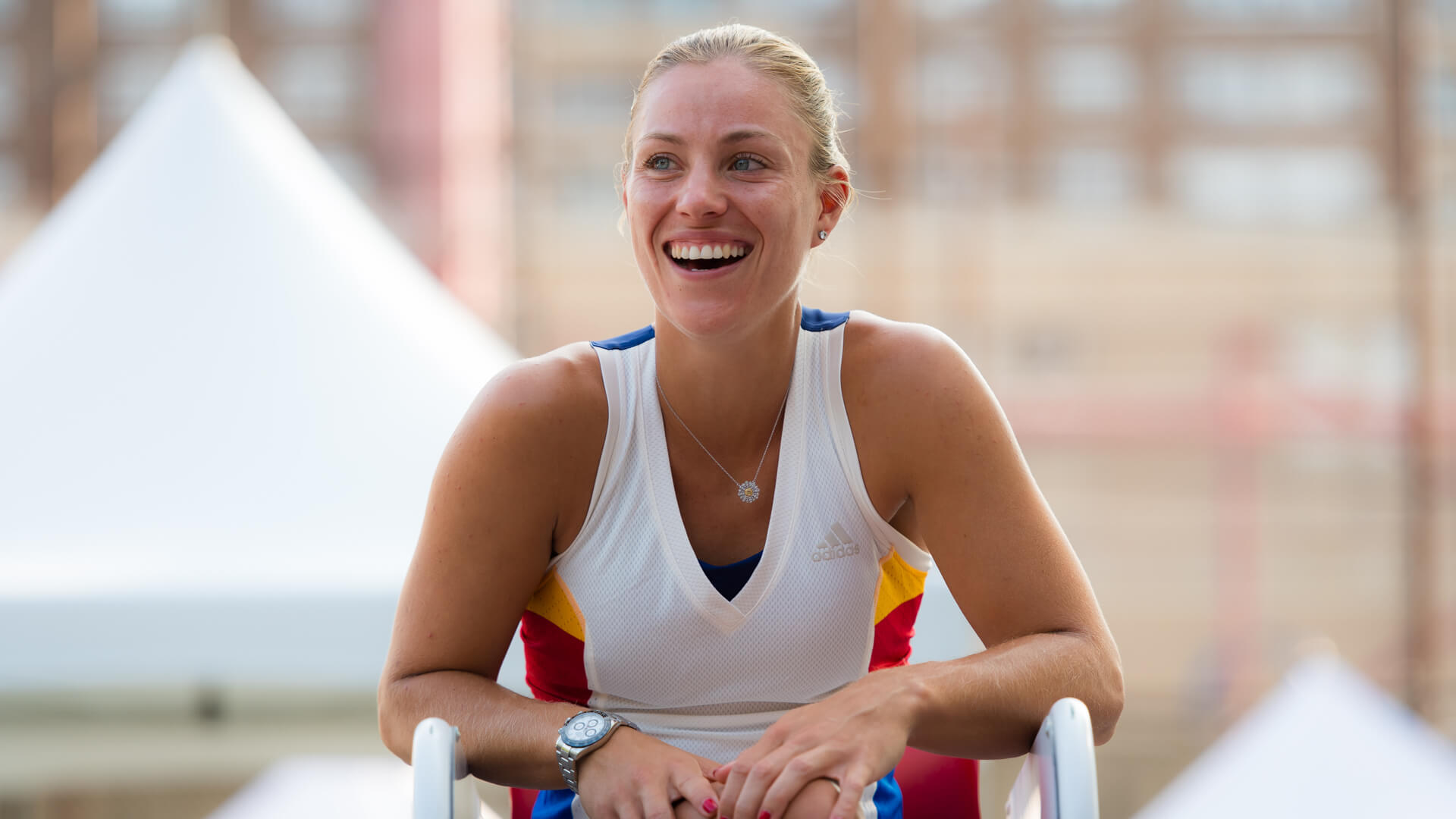 German-born Angelique Kerber has won 12 WTA singles titles and is currently ranked the No. 2 best player in women’s tennis. With the exception of 2017, Kerber has ranked in the top 10 every season since 2012. Over the course of her career, Kerber has won three Grand Slam titles, including both the Australian and U.S. Open in 2016, and Wimbledon in 2018. She has scored a total of $27,178,501 in prize money and earned quite a few million dollars in endorsement deals.

Don’t Miss: How 18 of the World’s Best Athletes Spend Their Fortunes 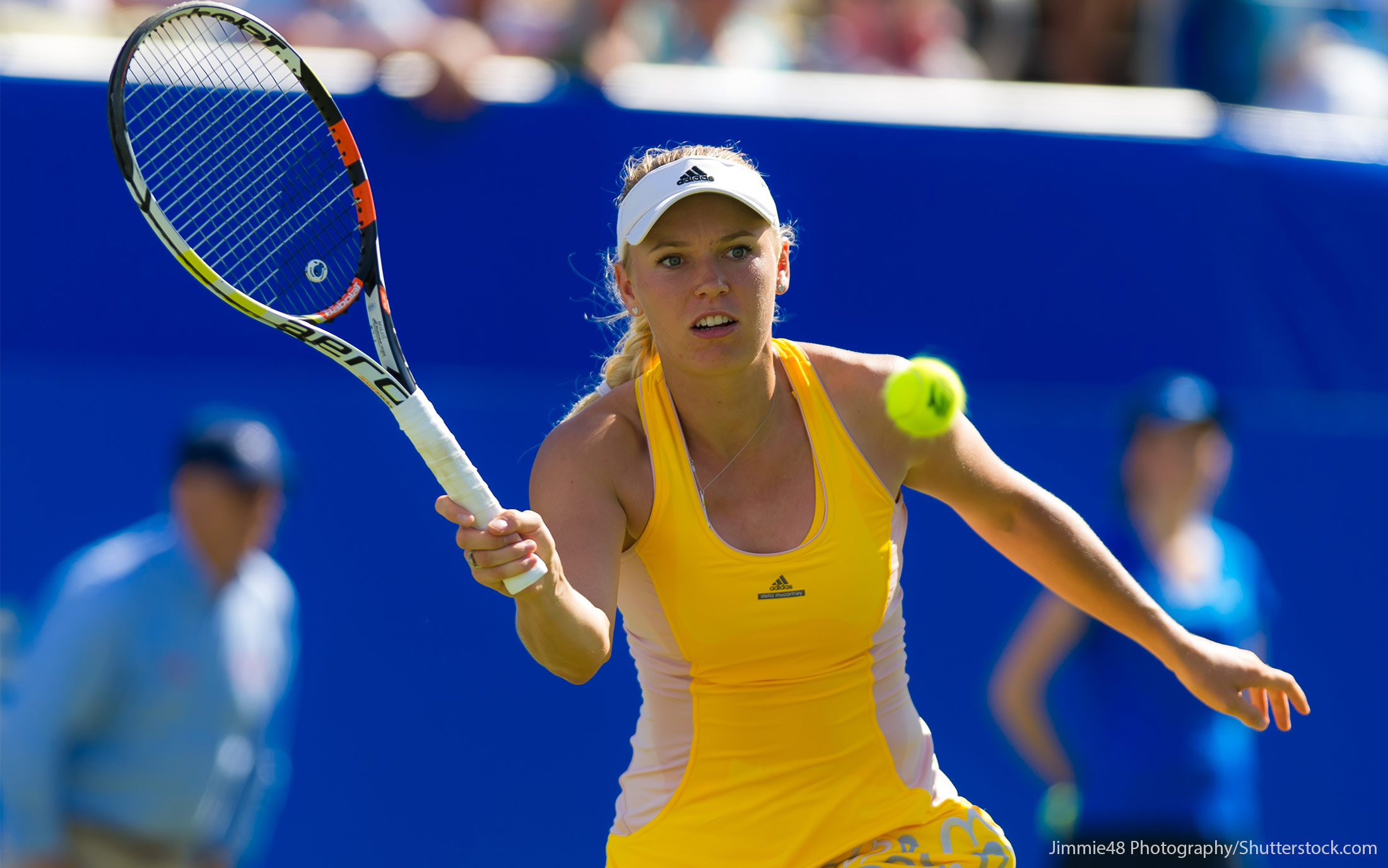 Ranked No. 3 among women tennis players, Caroline Wozniacki has a net worth of $30 million. In 2017, Wozniacki was named the No. 7 highest-paid female athlete, earning $7.5 million. The Danish tennis star has earned more than $33 million in prize money throughout her career.

Despite Wozniacki’s high ranking, she only recently won her first major singles title at the 2018 Australian Open, defeating No. 1-ranked Simona Halep. 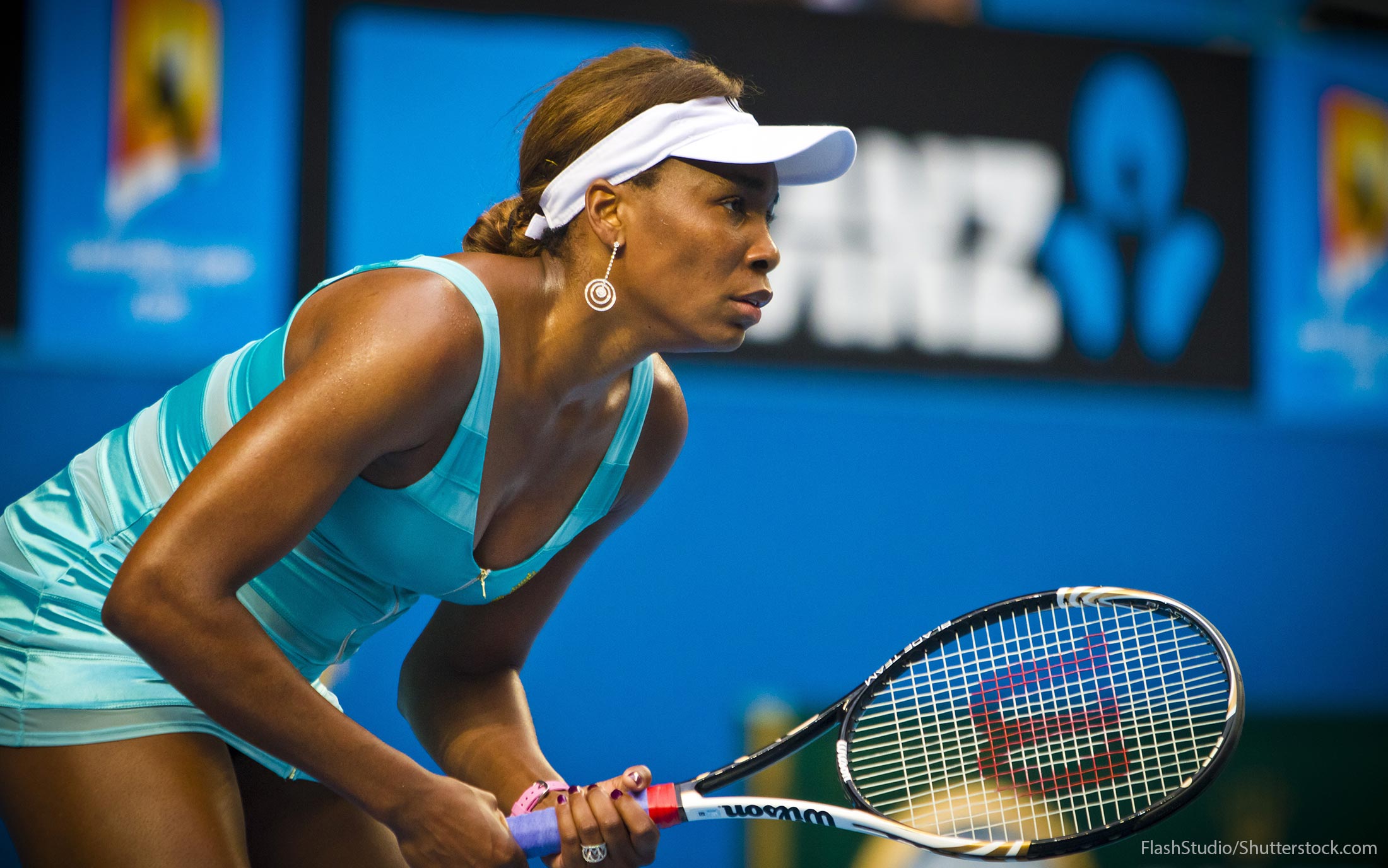 At 38 years old, Venus Williams is the No. 36 best female tennis player in the world. And just like her famous younger sister, Venus has scored some massive paychecks from her title wins.

Throughout her career, Williams has earned nearly $41 million in prize money alone. Besides making money on the court, the tennis champion has made millions from several endorsements deals, including Wilson, Electronic Arts and Ralph Lauren.

Alongside her sister Serena Williams, Venus was named among the top 10 most marketable athletes in 2016, behind Simone Biles, Michael Phelps and Peyton Manning.

Williams has a net worth of $95 million. 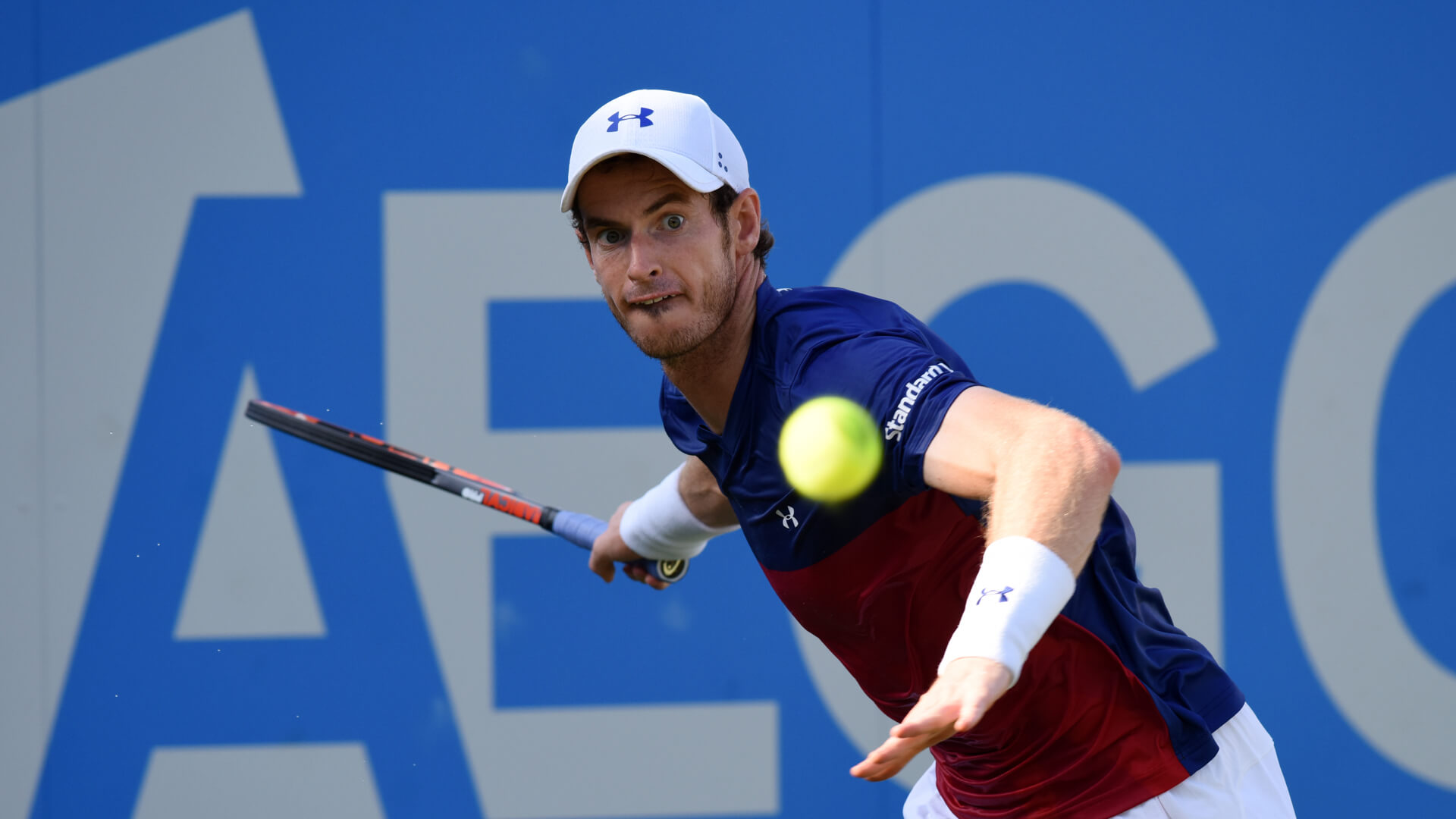 Although Andy Murray is ranked No. 229 in men’s tennis, his bank account remains among the sport’s elite.

In 2013, he made history as the first male Brit since 1936 to win Wimbledon. He returned in 2016 to take home the Wimbledon trophy for a second time when he defeated Milos Raonic.

Murray has garnered a total of $61,055,135 in prize money. As of 2017, Murray’s brand deals included Under Armour, Standard Life, Head and Jaguar, according to Forbes. Murray’s net worth is $100 million.

See Who Tops the List: These Are Major League Baseball’s Highest-Paid Athletes 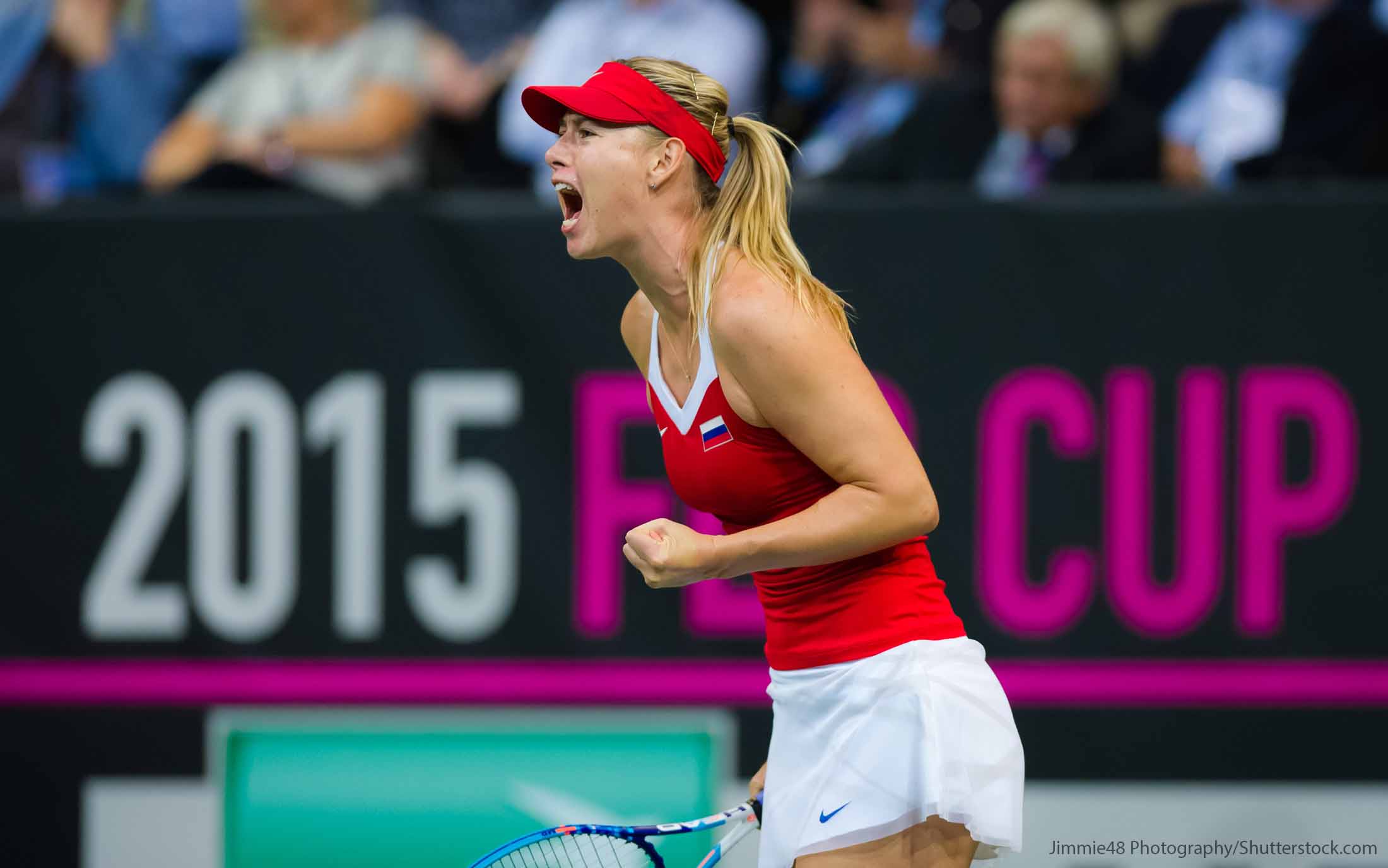 Although Maria Sharapova is ranked No. 30, she has been a dominant force in tennis for years. Sharapova has won five Grand Slam titles and has gone head-to-head on several occasions against tennis star Serena Williams. In 2016, Williams dethroned Sharapova as the highest-paid female tennis player after Sharapova’s earnings took a dip when she failed a drug test.

Throughout her career, Sharapova has won a little over $38 million in prize money and has pocketed around $13,000 so far in 2019 alone.

Sharapova’s net worth is $135 million. 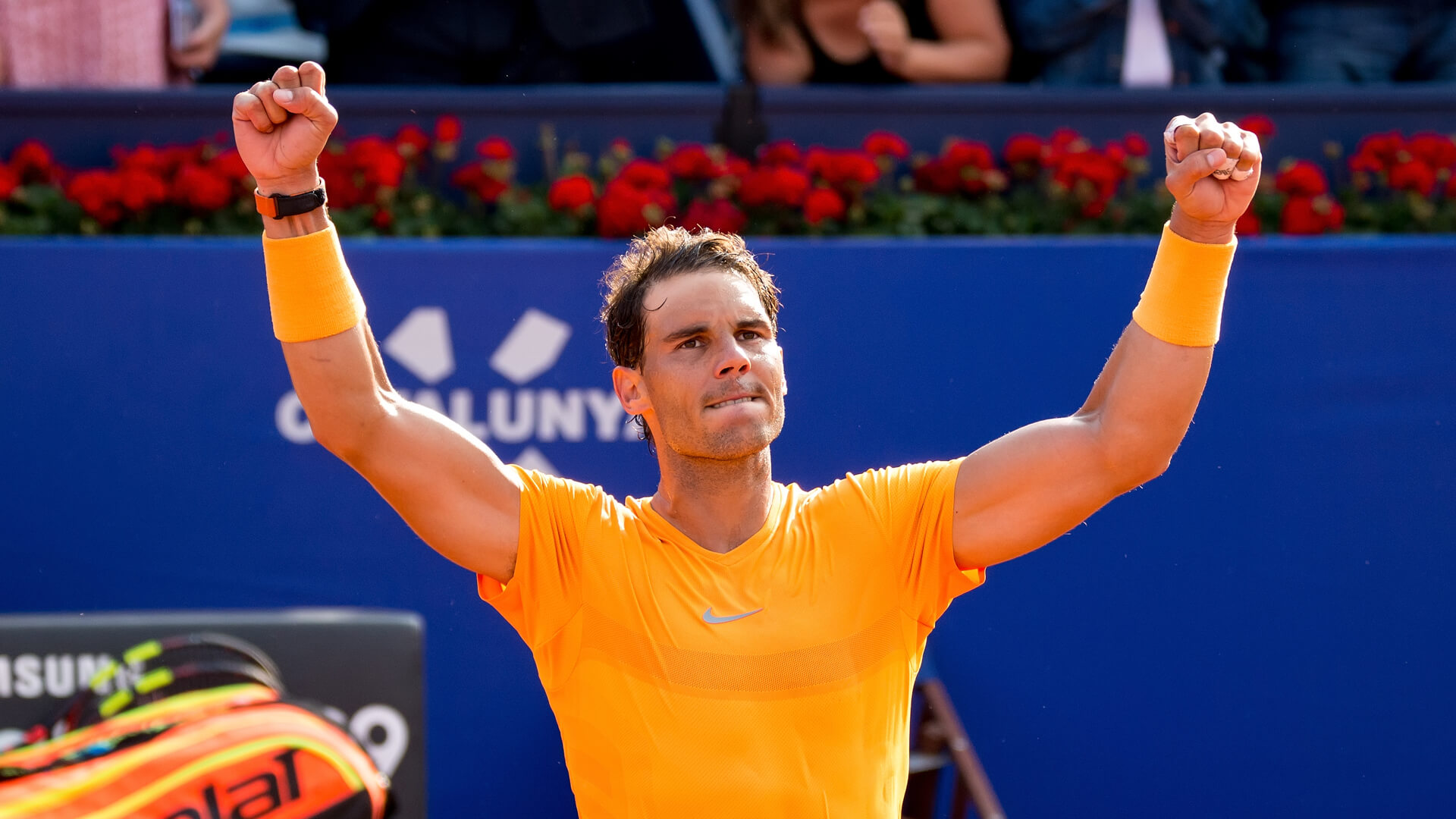 As the No. 2-ranked male tennis player in the world, Nadal has amassed a superstar fortune at $180 million. The tennis star won his 11th French Open in June 2018 and added $2.6 million to his bank account as part of the major prize money.

The famed tennis player won his first singles gold medal at the 2008 Beijing Olympics. Other recent career highlights include winning the U.S. Open and the ATP World Tour Masters 1000 Madrid in 2017. With 17 major wins, Nadal has the second-highest number of Glam Slam titles in men’s tennis today, second only to Roger Federer. 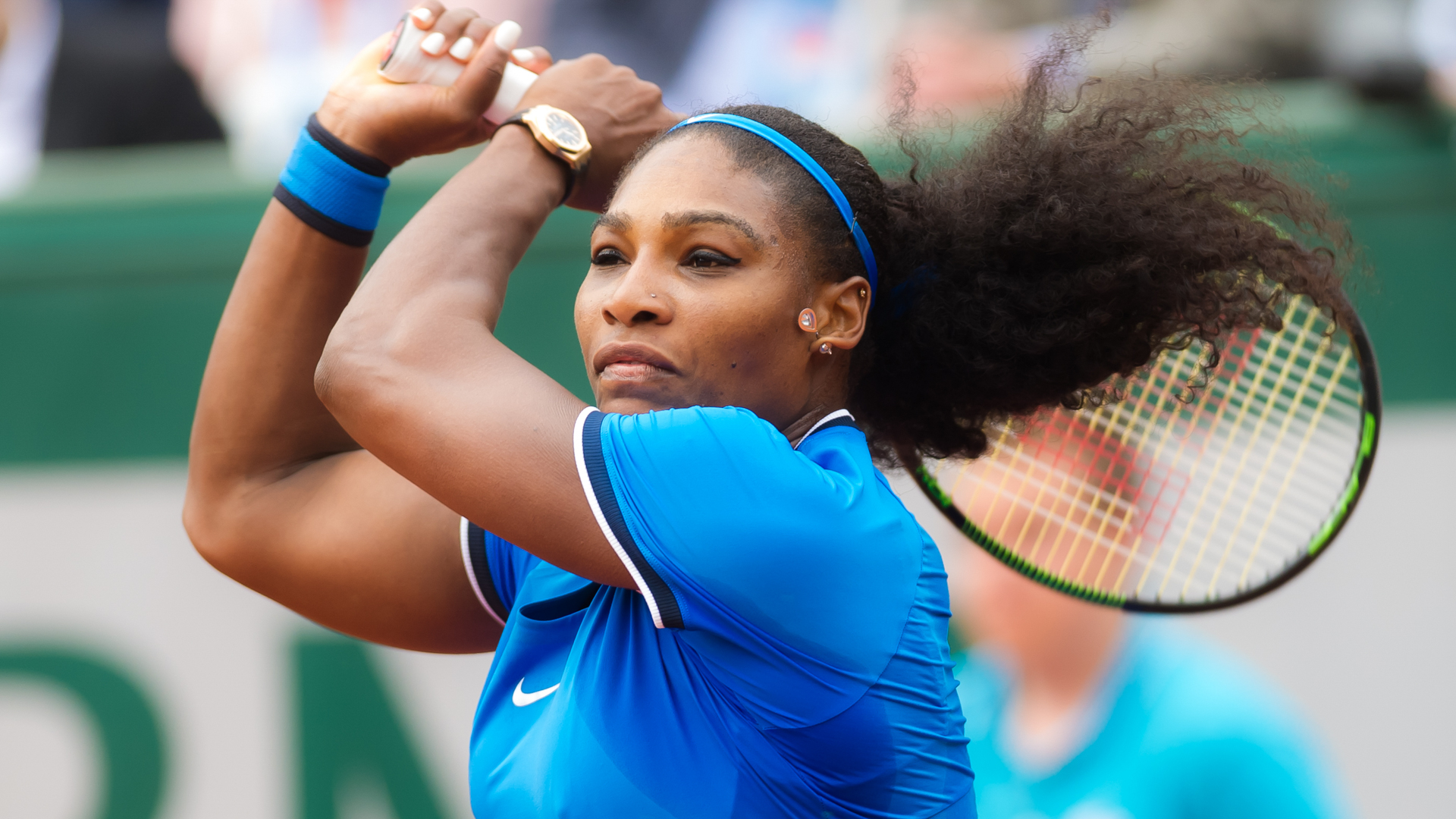 Although her salary pales in comparison with her male counterparts’, tennis powerhouse Serena Williams is the world’s highest-paid female athlete. From June 2017 to June 2018, Williams took home $62,000 in prize money, which might sound low but she also took a 14-month break during her pregnancy. Throughout her career, Williams’ salary has been much higher, earning a bit over $88 million prize money.

After stepping away from tennis to give birth to her first child with husband and Reddit co-founder Alexis Ohanian in 2017, she returned to court in 2018. The tennis star is currently ranked No. 16 by the Women’s Tennis Association.

Williams was defeated at the 2018 U.S. Open by Naomi Osaka, who signed the largest-ever Adidas deal for a woman athlete. 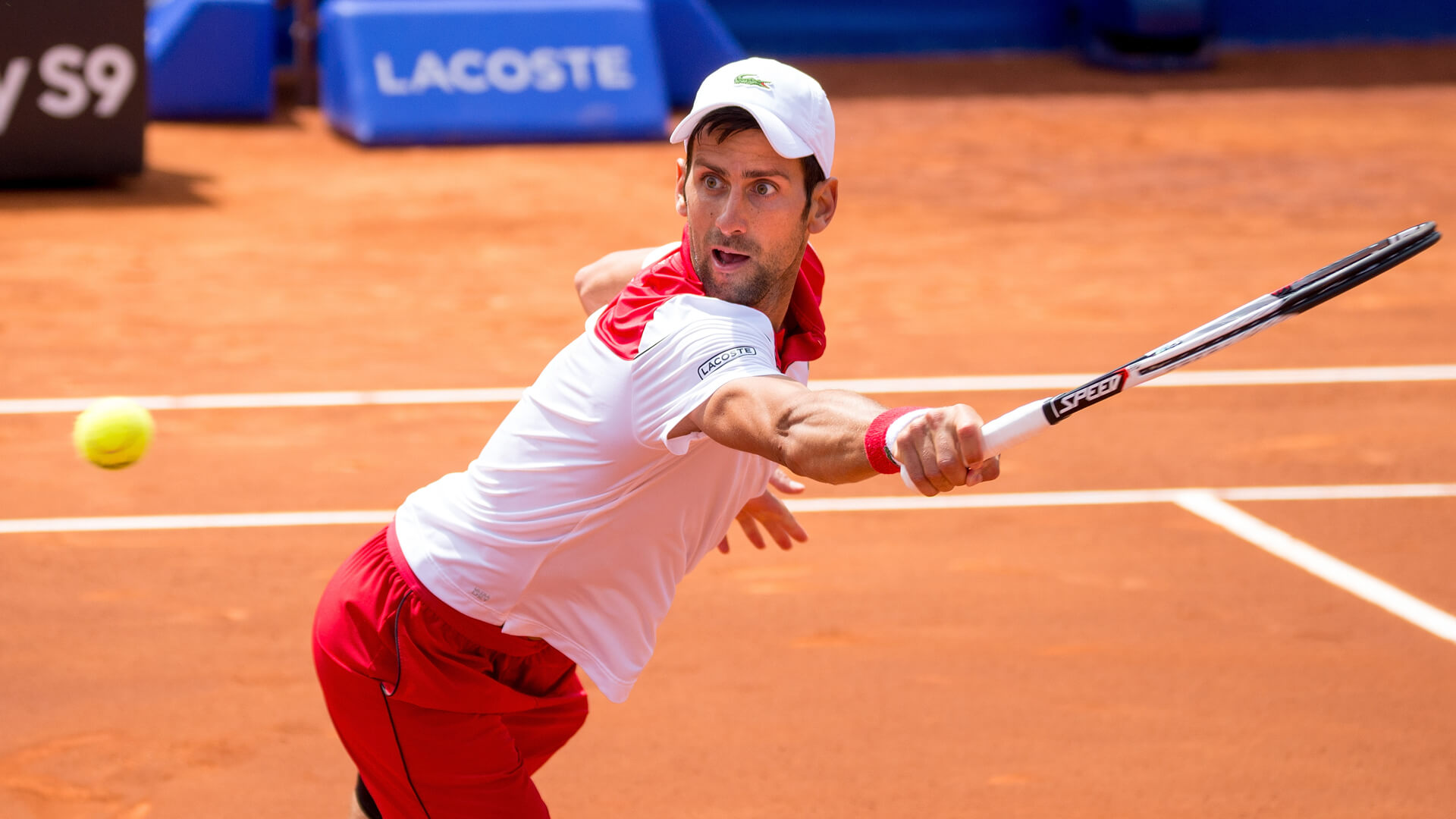 Ranked as No. 1 among male tennis players, Novak Djokovic has a net worth of $200 million. Djokovic won back-to-back Grand Slam titles in 2018, conquering both Wimbledon and the U.S. Open. As far as prize money goes, Djokovic became the first tennis player to earn $20 million in prize money in 2015, according to Forbes.

In 2018, he was listed as the fourth-highest paid tennis player, earning $23.5 million that year. 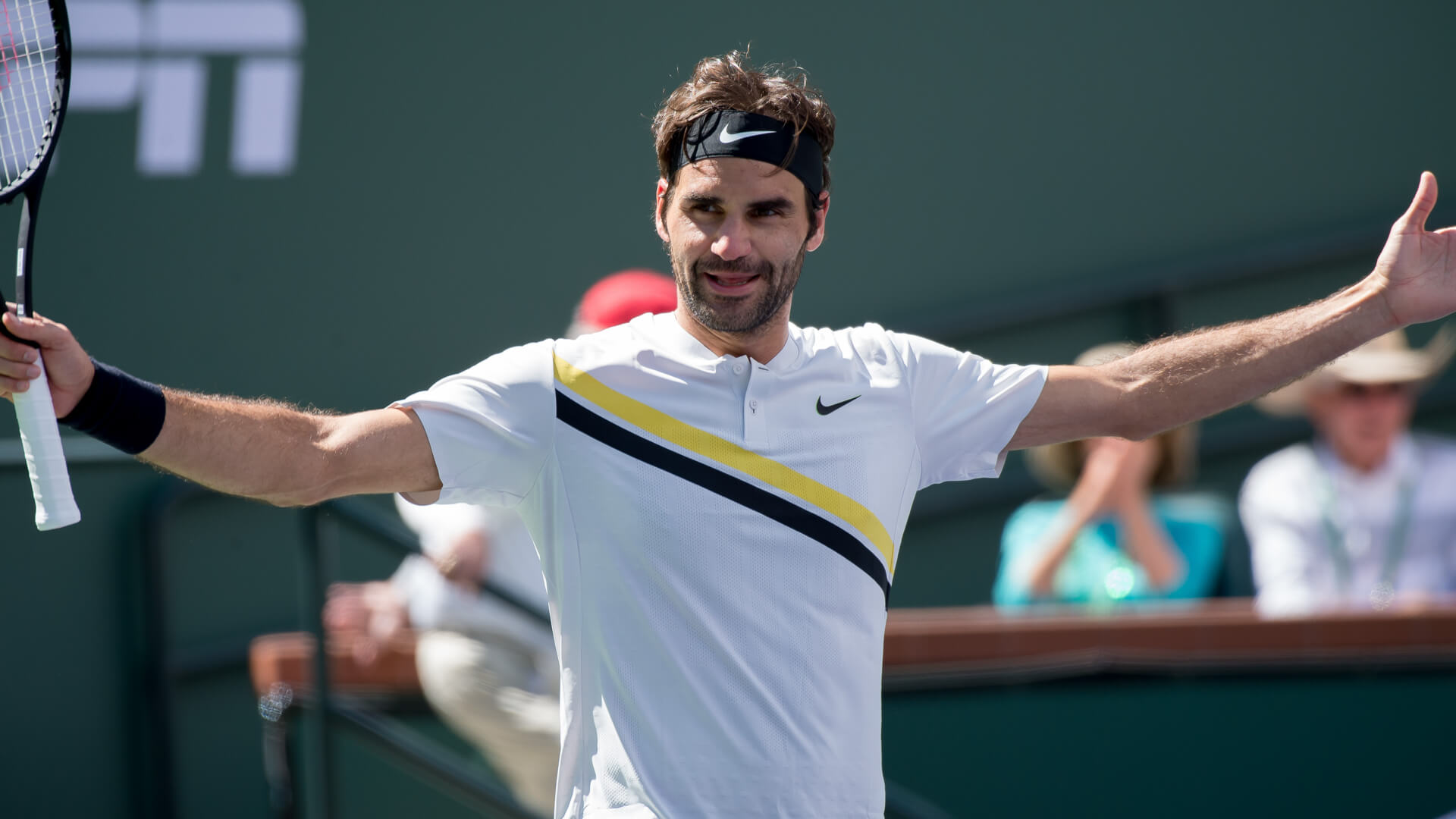 Not only is Roger Federer among the top male tennis players in the world, but he’s also one of the richest athletes. Forbes puts him at No. 7 on its list of highest-paid athletes in the world for 2018. Federer took home a total of $77.2 million, with $65 million of that coming from endorsement deals, according to Forbes. His endorsements include Wilson, Mercedes-Benz, Rolex and Lindt, among others.

With his most recent major win at the 2018 Australian Open, Federer became the first male tennis player in history to win 20 Grand Slam titles.

Keep reading about the highest-paid Olympic athletes, including Shaun White and Michael Phelps.

Net worth figures were sourced from Celebrity Net Worth unless otherwise noted.