How Major Tech Companies Change the Cities They Moved To 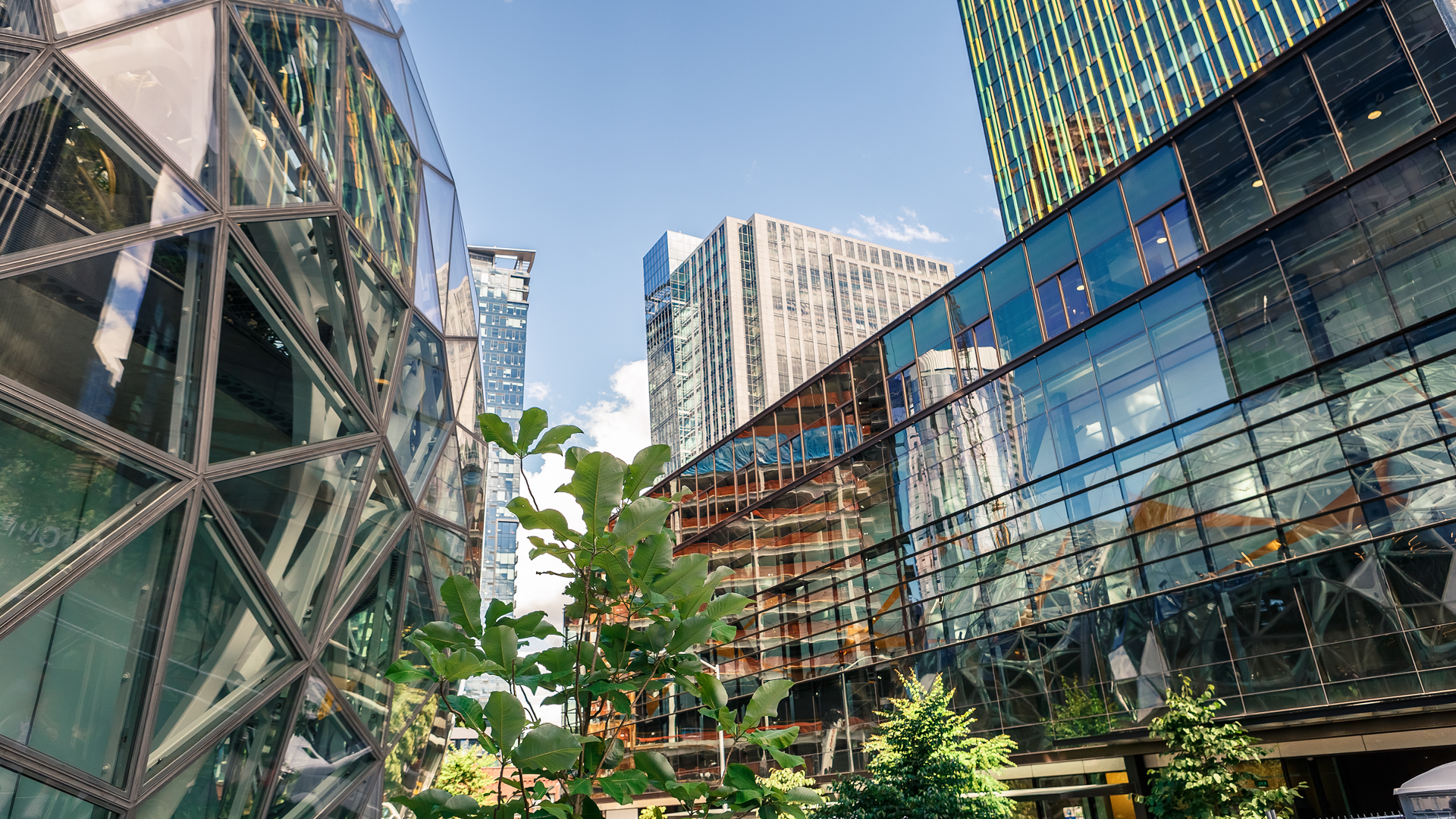 In December 2018, Google revealed its plan to establish a massive new development that would include a combination of office, retail, public and residential space in its home city of Mountain View, Calif. “We want to see the area transformed into what the city calls ‘complete neighborhoods,’ with a focus on increasing housing options and creating great public places that prioritize people over cars,” Michael Tymoff, Google’s Mountain View development director, said in a statement to CNBC.

The new development no doubt will have a large impact on the area, with the establishment of new jobs and new revenue sources — and it’s hardly the first major change Google has made to the city over the years. But Google isn’t alone in its impact — there are plenty of other top companies that have changed cities forever. 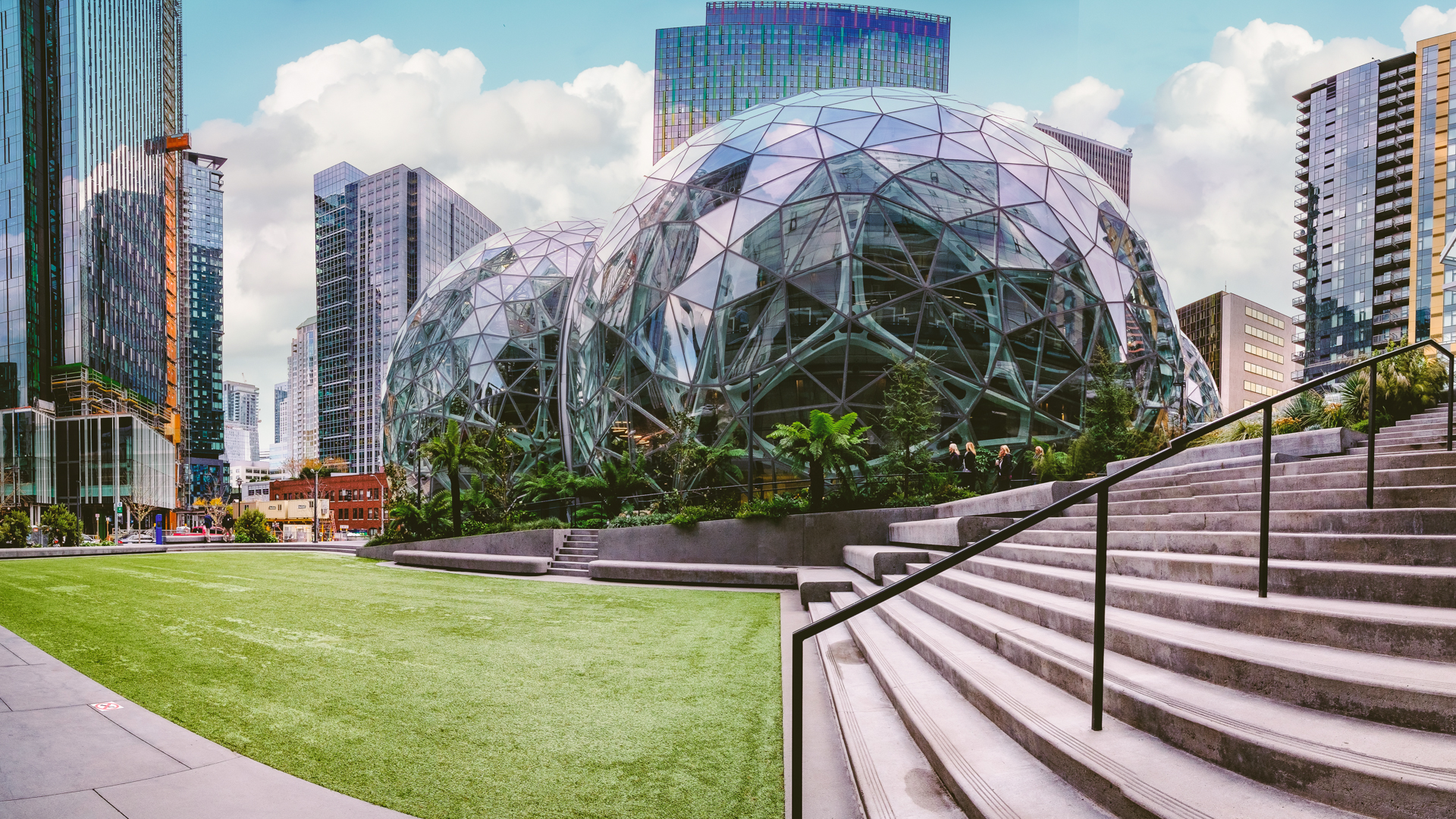 Amazon opened its Seattle headquarters in 2007. The company now employs approximately 566,000 people around the world,  and about 410,000 of those are in Seattle.

The growth of the e-commerce giant has brought prosperity to the Pacific Northwest city: Amazon is the No. 1 largest property taxpayer in Seattle with an assessed value at $2.16 billion, accounting for 1.01 percent of Seattle’s total assessed valuation. Poverty has also declined in Seattle since Amazon was founded, from 13 percent in 2007 to 12.5 percent in 2017. 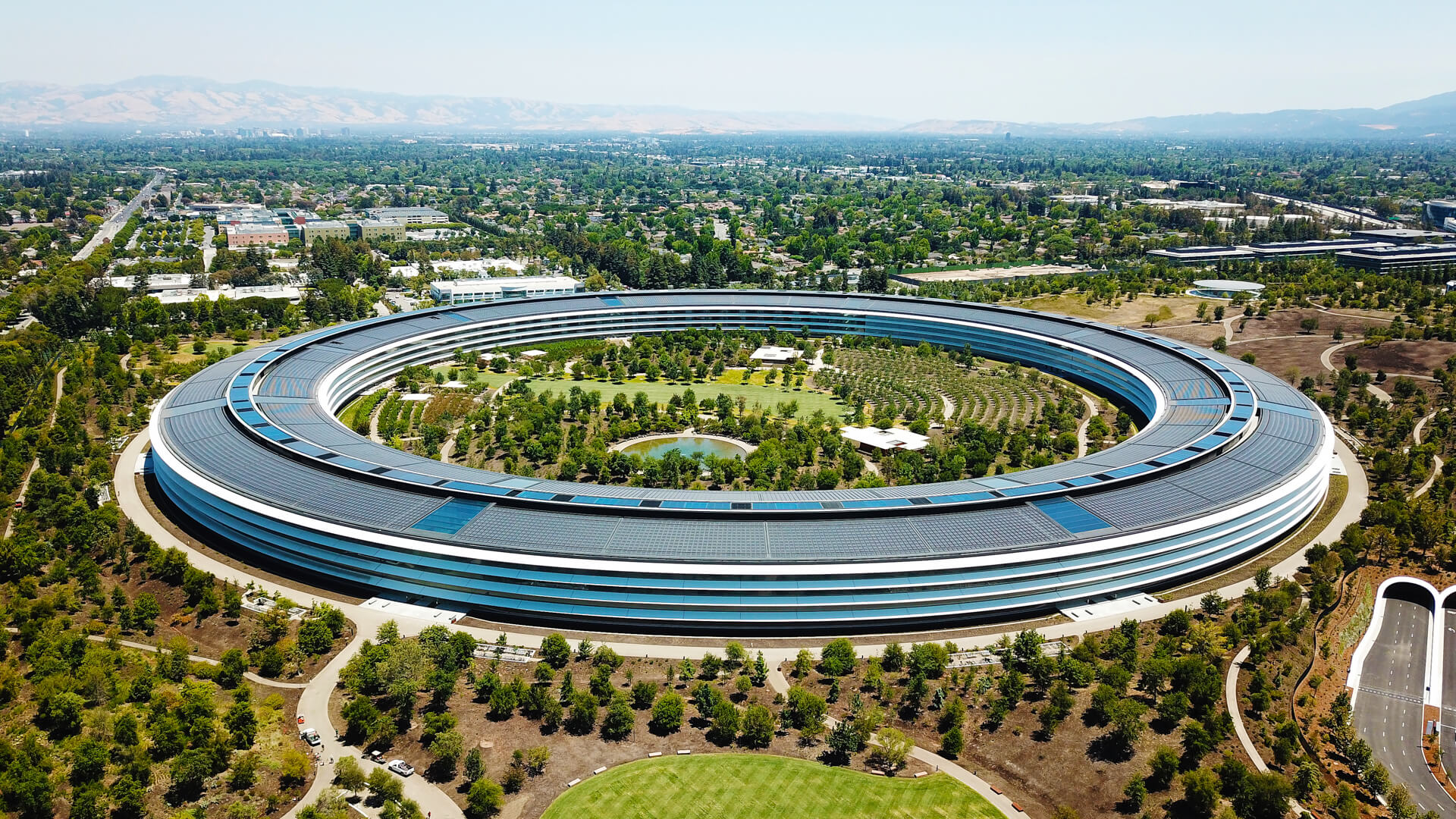 Apple was founded in 1976 and opened its Cupertino, Calif., headquarters in 1977. The tech powerhouse now employs approximately 132,000 people.

Cupertino was largely a town of ranches and estate vineyards until the mid-1960s, when the development of the VALLCO Business and Industrial Park provided fertile ground for computer companies. By the 1970s, Cupertino and the other surrounding communities had become “Silicon Valley.”

But Apple has made strides to alleviate the issue. In the company’s agreement with the city of Cupertino to develop Apple Park, Apple contributed $5.85 million to an affordable housing fund, which is double what was required by the city. It also invested $75 million towards infrastructure improvements, the San Francisco Chronicle reported. 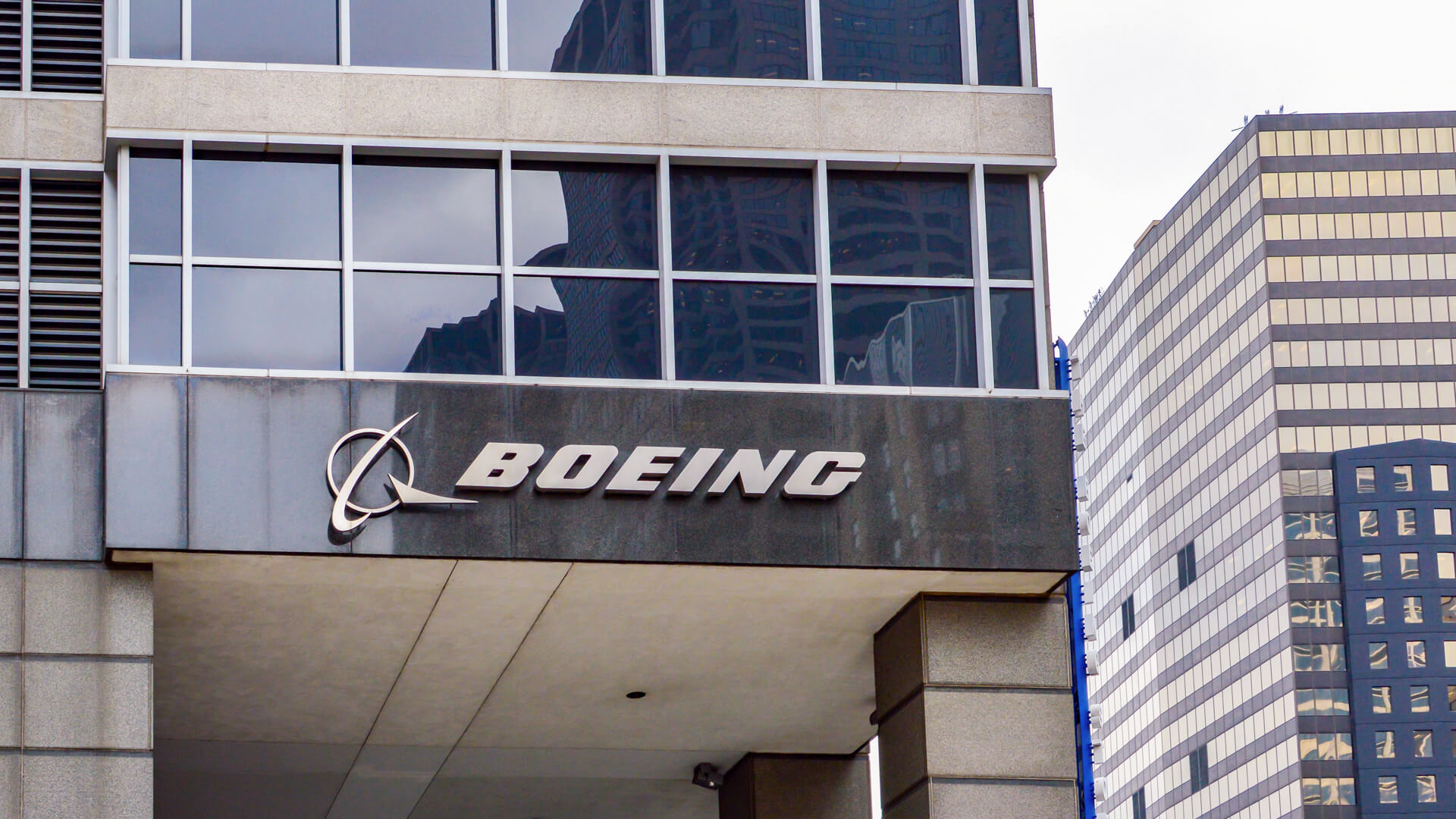 The Boeing Company dates all the way back to 1916, and it was founded in Seattle by the city’s Lake Union shores.  The company now employs about 141,000 people, with the majority of its U.S. workforce still concentrated in Washington.

The founding of Boeing in Seattle has also contributed to the growth of local suppliers that support its operations. According to The Seattle Times, more than 267,000 local jobs that pay $22 billion in annual wages depend on the aerospace industry that has developed around Boeing.

The Seattle Times also makes note of the impact Boeing has made philanthropically, with the company and its employees donating considerable time and money to local schools and nonprofits.

Boeing still has a large presence in Seattle, but it officially moved its headquarters to Chicago in 2001. 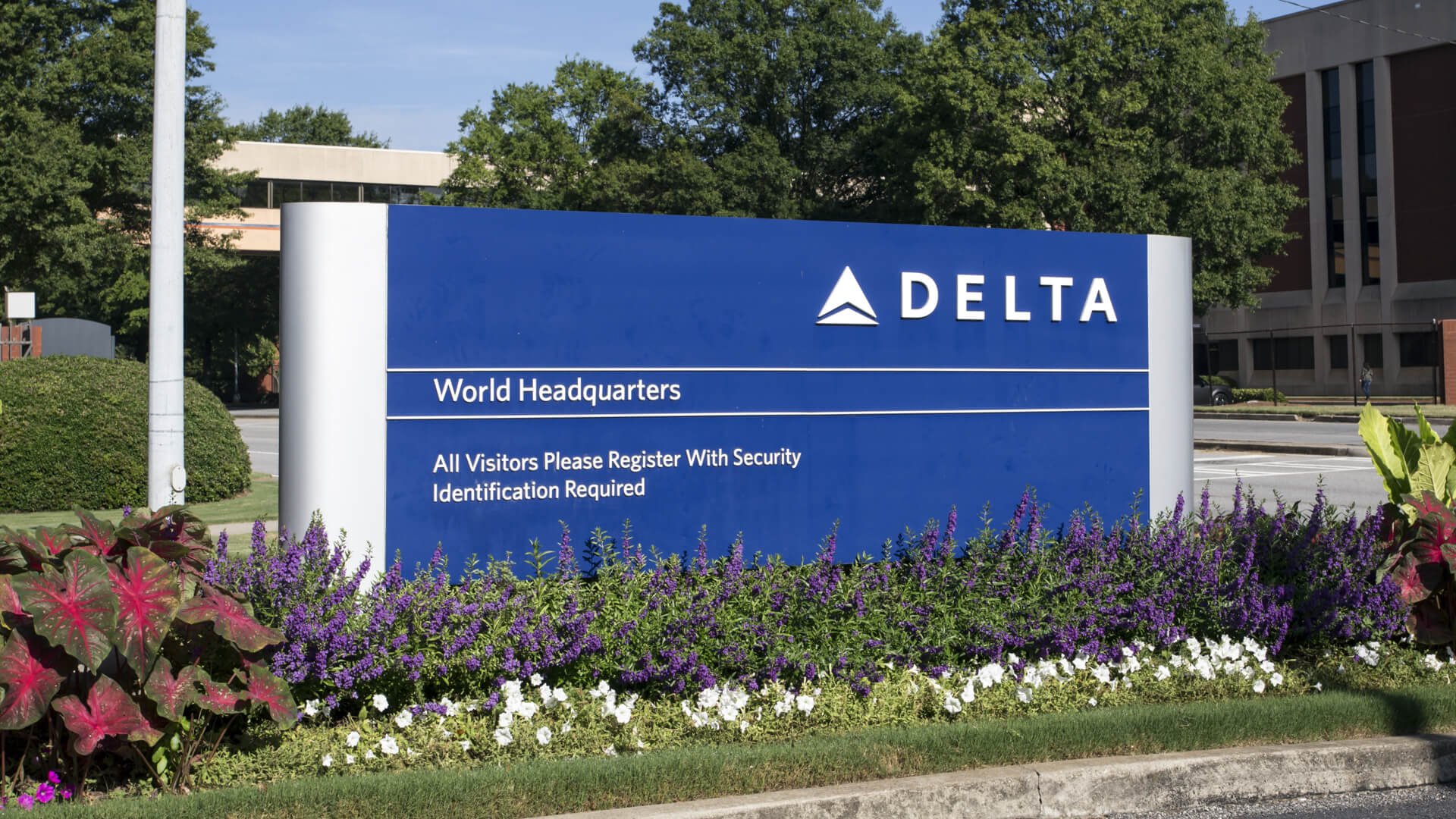 Delta opened its Atlanta headquarters in 1941. Currently, the company employs around 80,000 people, with 33,000 employees in Georgia.

Delta is The Peach State’s No. 1 private employer, directly responsible for $43.5 billion in economic impact a year, according to the company’s website. The airline contributes $300 million annually to Georgia state and local governments through taxes and fees, paid its Georgia employees $500 million in profit sharing in 2017, and pays more than $200 million a year in operating expenses to Atlanta’s Hartsfield-Jackson Atlanta International Airport. Direct flights out of Atlanta have supported nearly $11 billion in foreign investment in the state since 2011, and the creation of more than 42,000 local jobs.

In addition to its economic impact, there’s also evidence of population growth that has coincided with the establishment of Delta’s headquarters. According to the 1940 Census, Atlanta’s population was about 302,000. As of 2017, the population has grown by 54 percent to about 465,000. 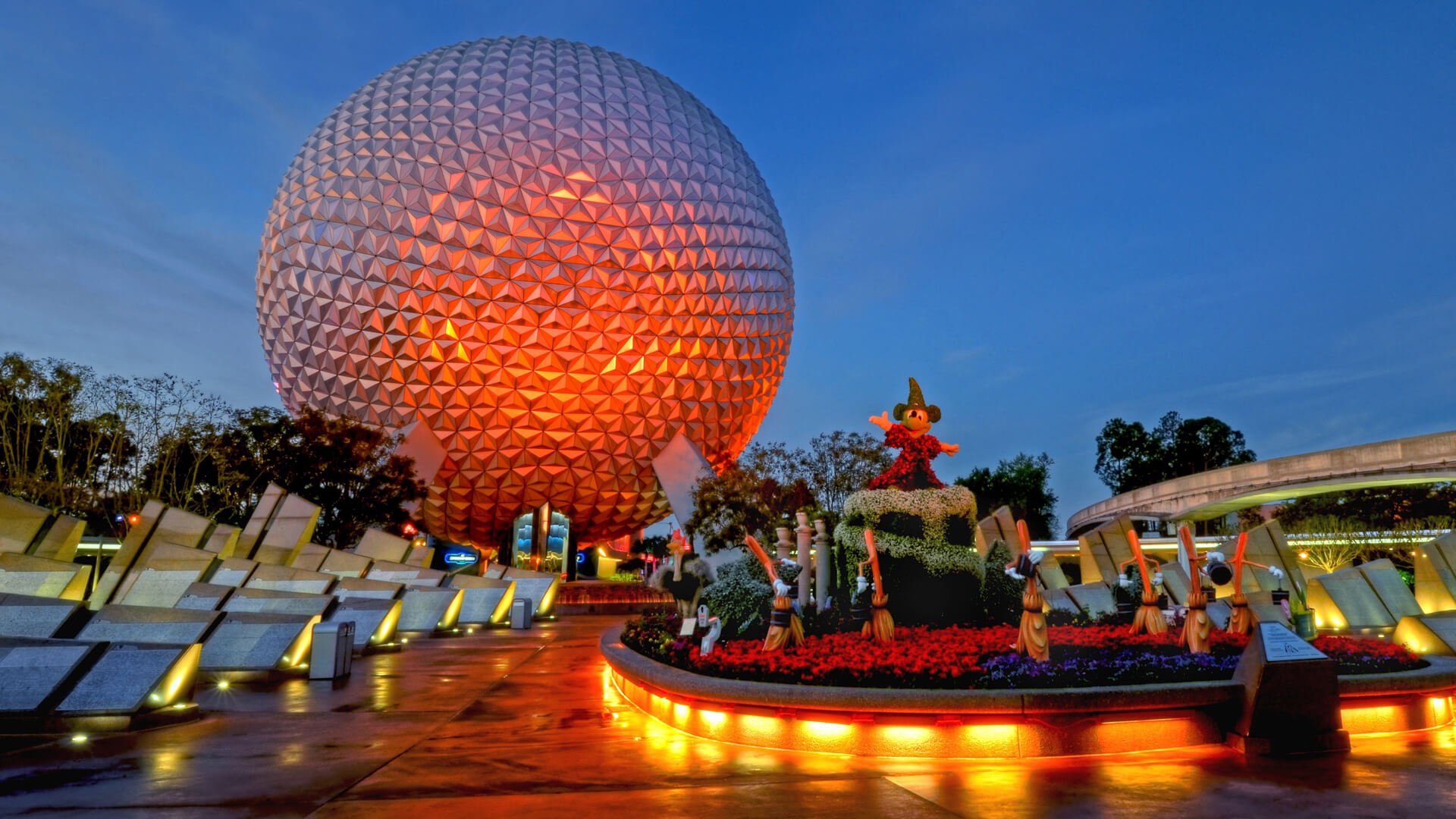 Income and employment also increased with the coming of Disney World. According to the 1970 Census, Orlando’s median household income was $24,731. By 2017, the median income was $45,436, marking an increase of 84 percent. As of 2017, there are about 145,000 people in the labor force in Orlando, and according to Disney’s website, 60,000 people work at Disney World — nearly half of the city’s workforce.

In addition, Walt Disney World Resort is the largest single taxpayer in Central Florida, contributing $646.3 million in total state and local taxes in 2017. The theme park also paid more than $105.6 million in taxes to the Reedy Creek Improvement District in 2017, which goes toward public infrastructure improvements. It’s also brought money to Orlando through tourism dollars. According to the Orlando Economic Partnership, visitors to Central Florida counties pay more than $5 billion each year in state and local taxes. 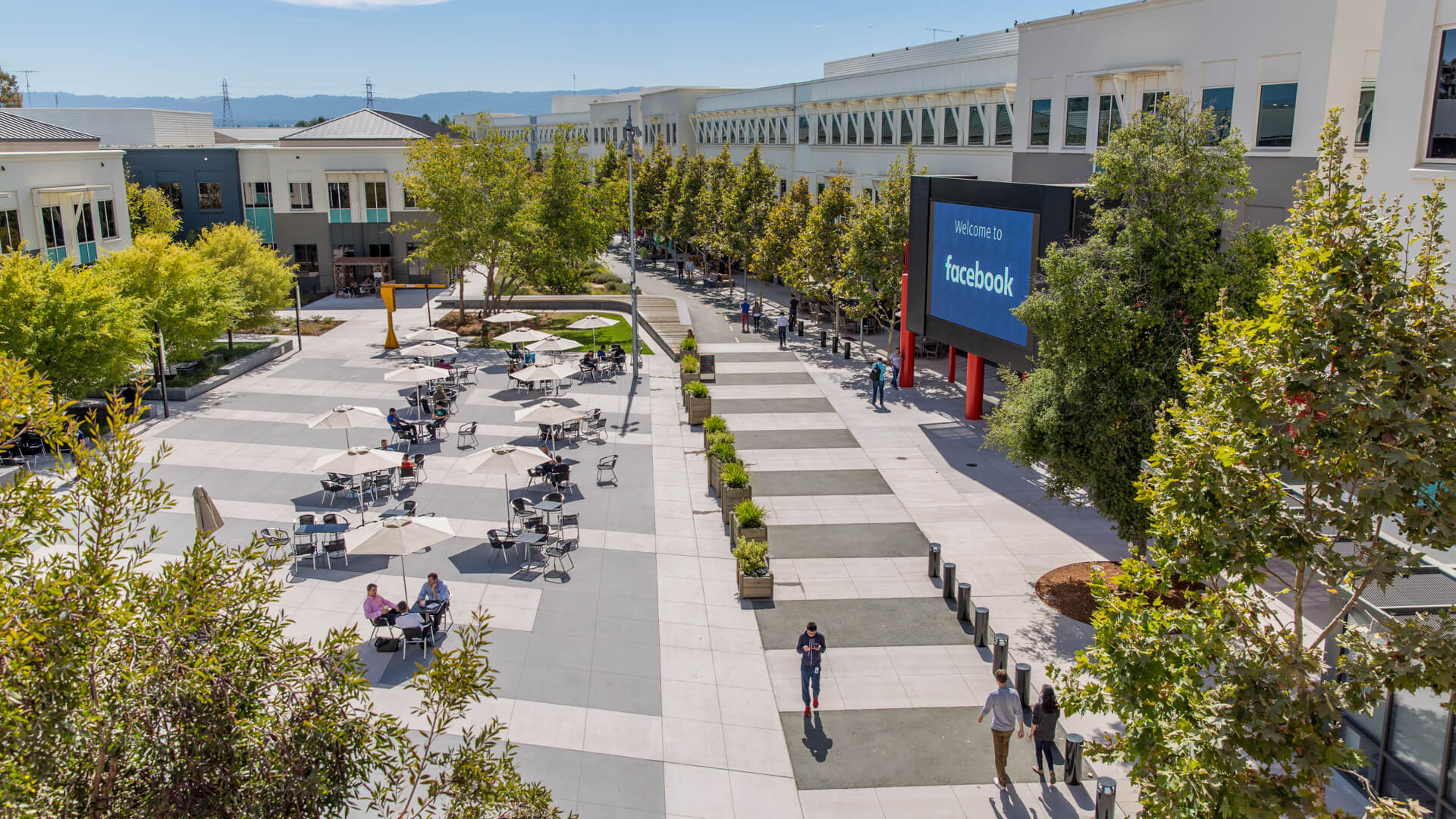 Originally founded in Palo Alto, Calif., Facebook moved its headquarters down the road to Menlo Park, Calif., in 2012. The lucrative social media company currently employs roughly 34,000 people, with about 16,000 employees in Menlo Park. It’s by far the largest employer in the area, employing 74 percent of the city’s labor force.

Meanwhile, Menlo Park’s income levels have grown, and unemployment has declined 6.4 percent in the area since Facebook’s establishment there — but poverty has actually increased slightly, from 6.5 percent in 2012 to 8.5 percent in 2017. 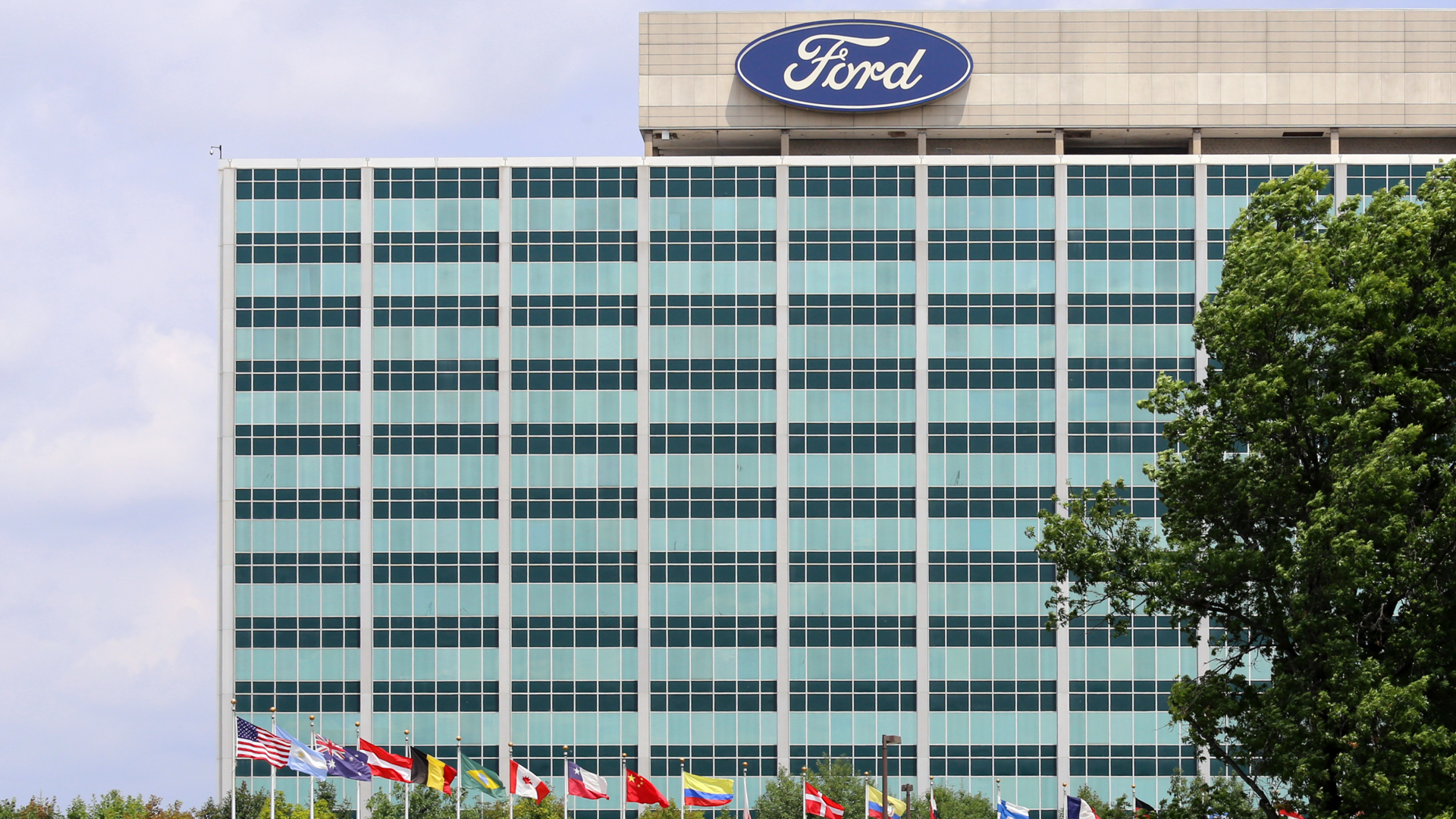 While Ford started in Detroit, their true headquarters are in Dearborn, Mich., and were founded in 1917. According to Ford’s website, they employ around 202,000 people.

Population in Dearborn has surged since Ford’s headquarters were established there. The area’s population was 500 in 1900; as of 2017, the population stands at 95,295. 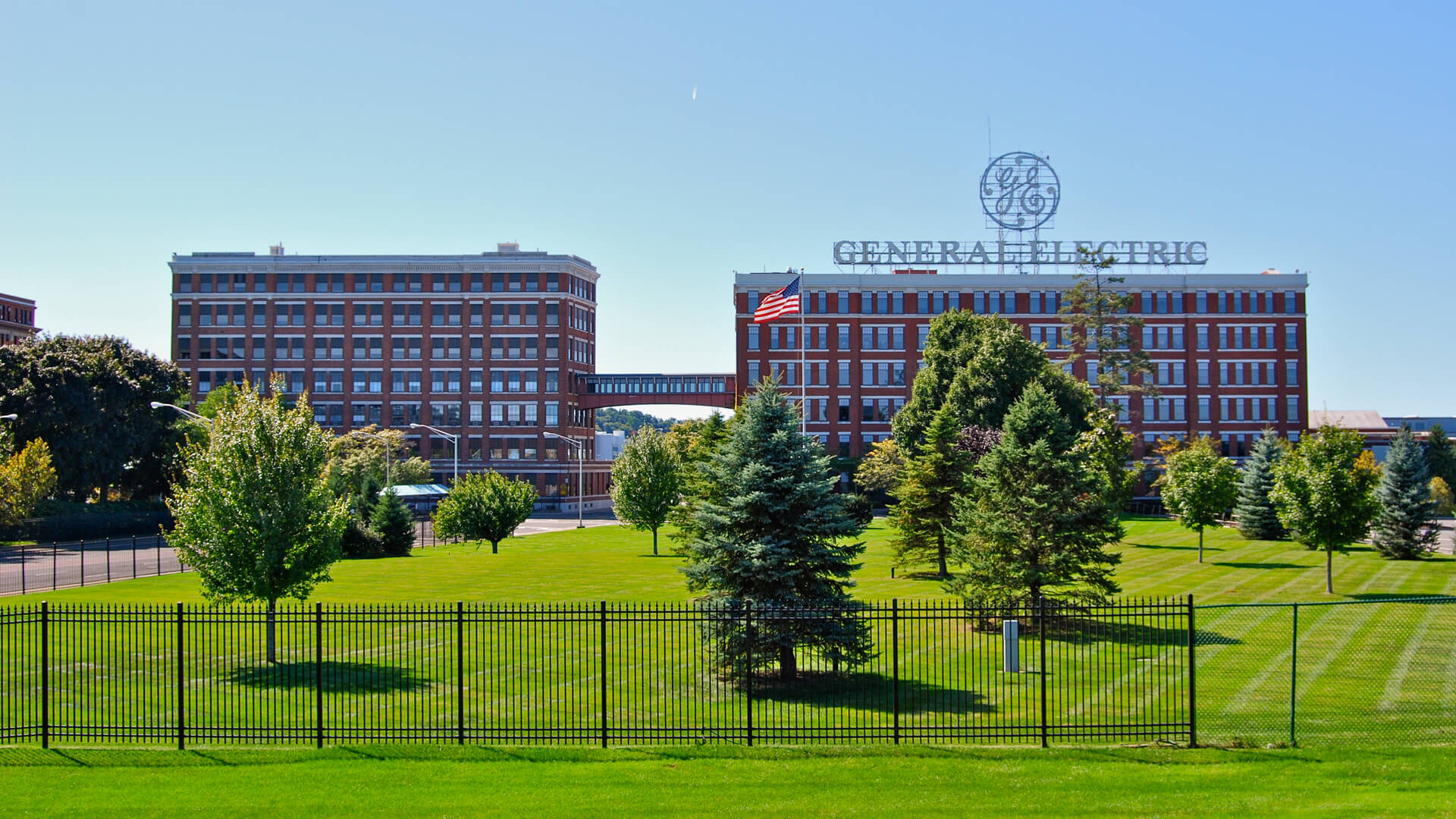 General Electric once employed about 30,000 workers at its manufacturing facility in Schenectady, N.Y., but when the company moved its headquarters from New York to Connecticut in 1974, that number dwindled, The Guardian reported. As of 2016, GE only employed 4,000 people in the area. The layoffs at GE also affected other local businesses, with less people able to spend money at the area’s shops and restaurants, causing many to close.

The area’s population has also been effected: it peaked in 1970, and then dropped every year through 2000. Meanwhile, the number of people living below the poverty line increased over that same time period. 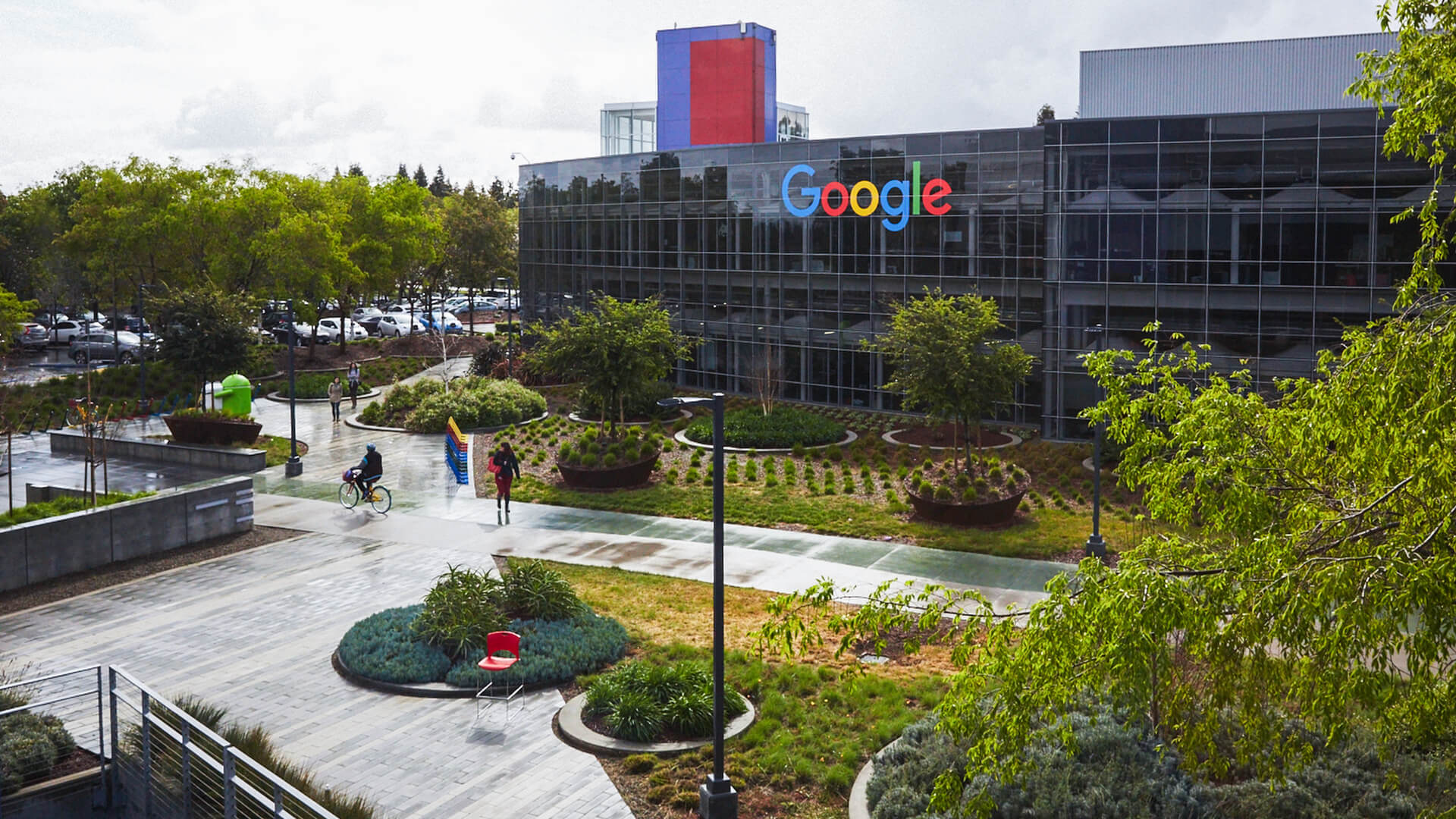 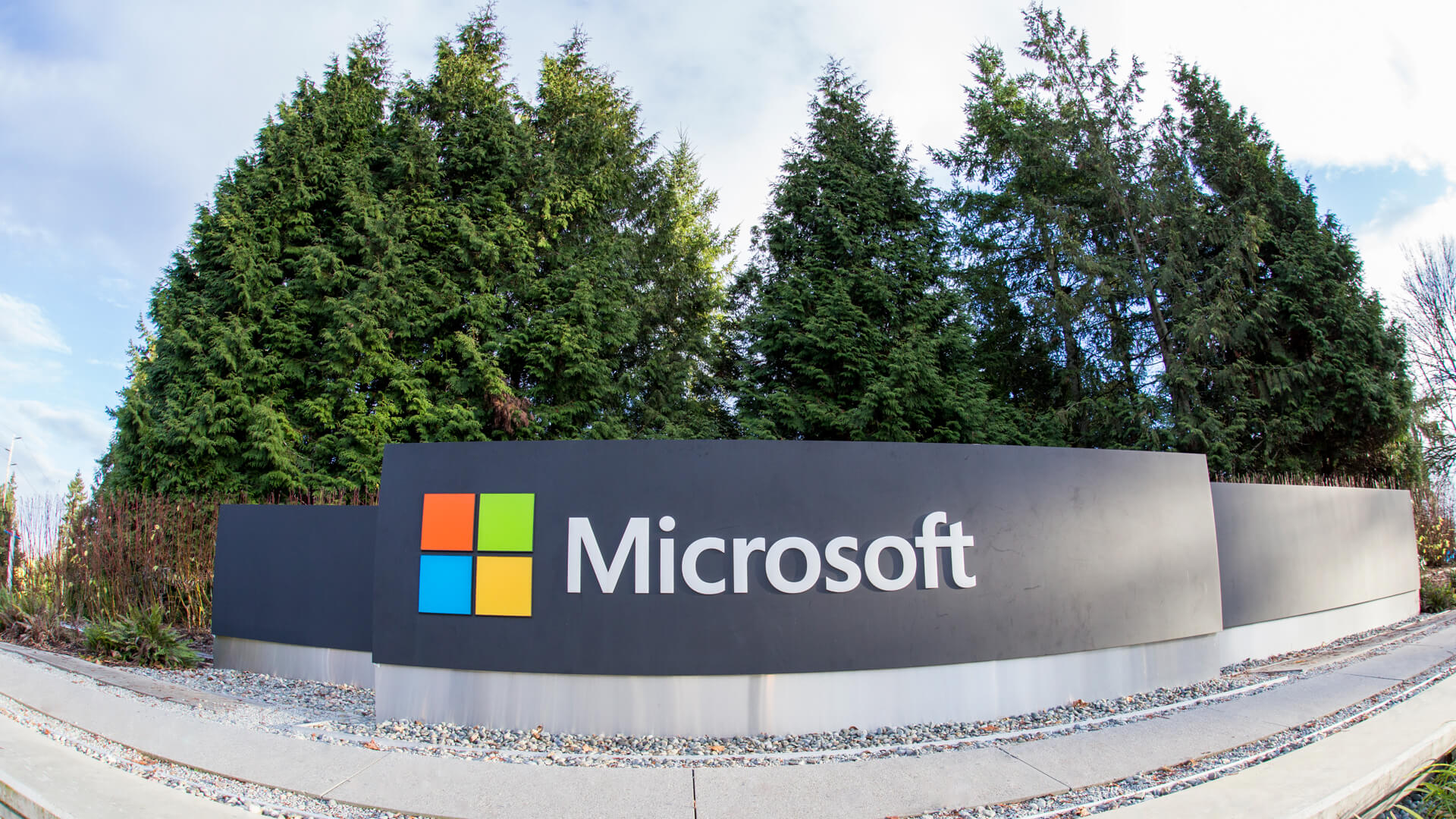 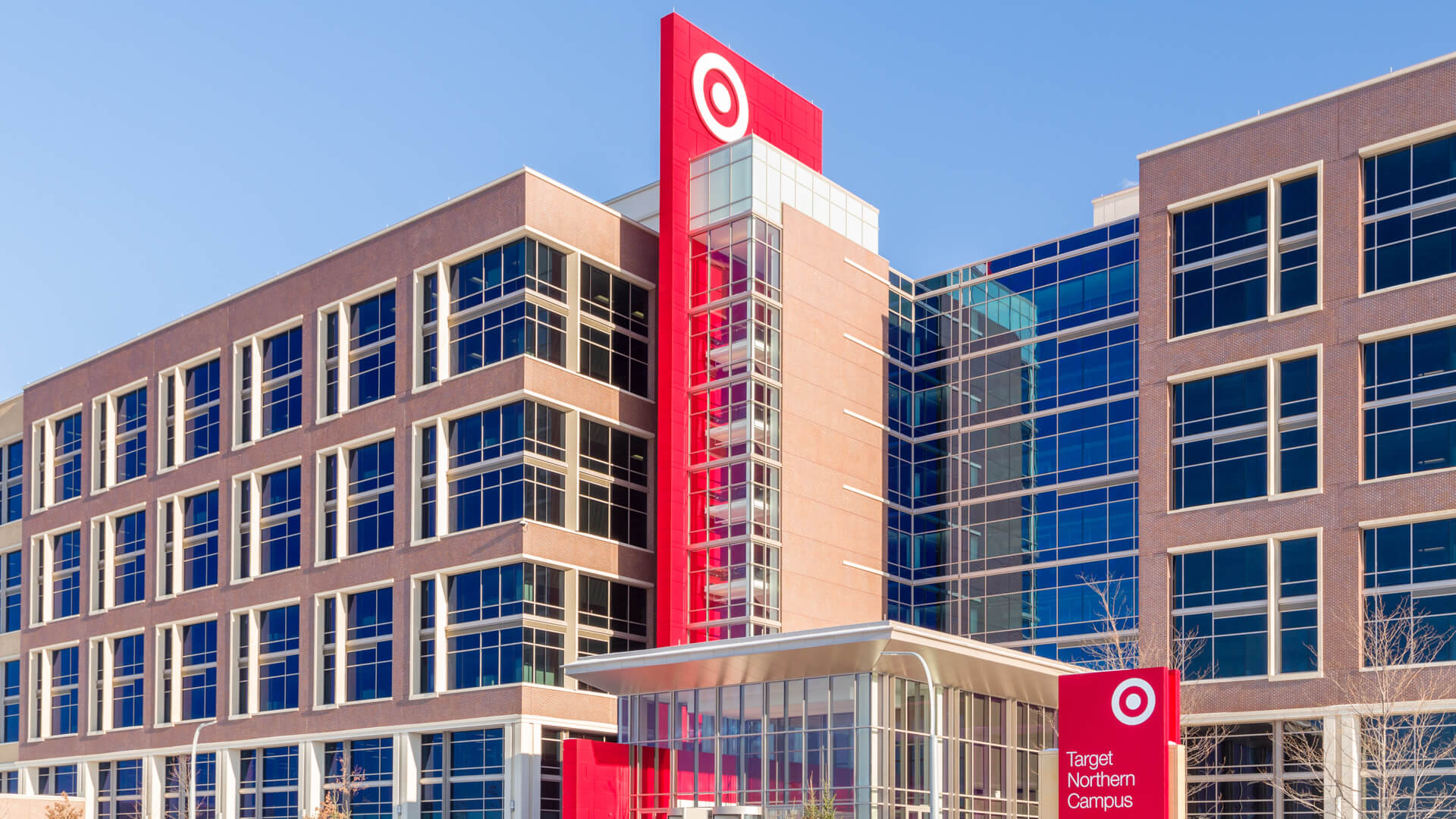 Target opened its first store in 1962 in Roseville, a city just outside Minneapolis, and its headquarters remain in Minneapolis today. The discount retailer now employs 345,000 people, 13,000 of which work in downtown Minneapolis, according to Minnesota Business.

The site notes that a “Target effect” has taken place in the area, with businesses popping up around the headquarters to cater to employees, and major brands renting office space nearby to be able to showcase products they hope to sell in Target stores. 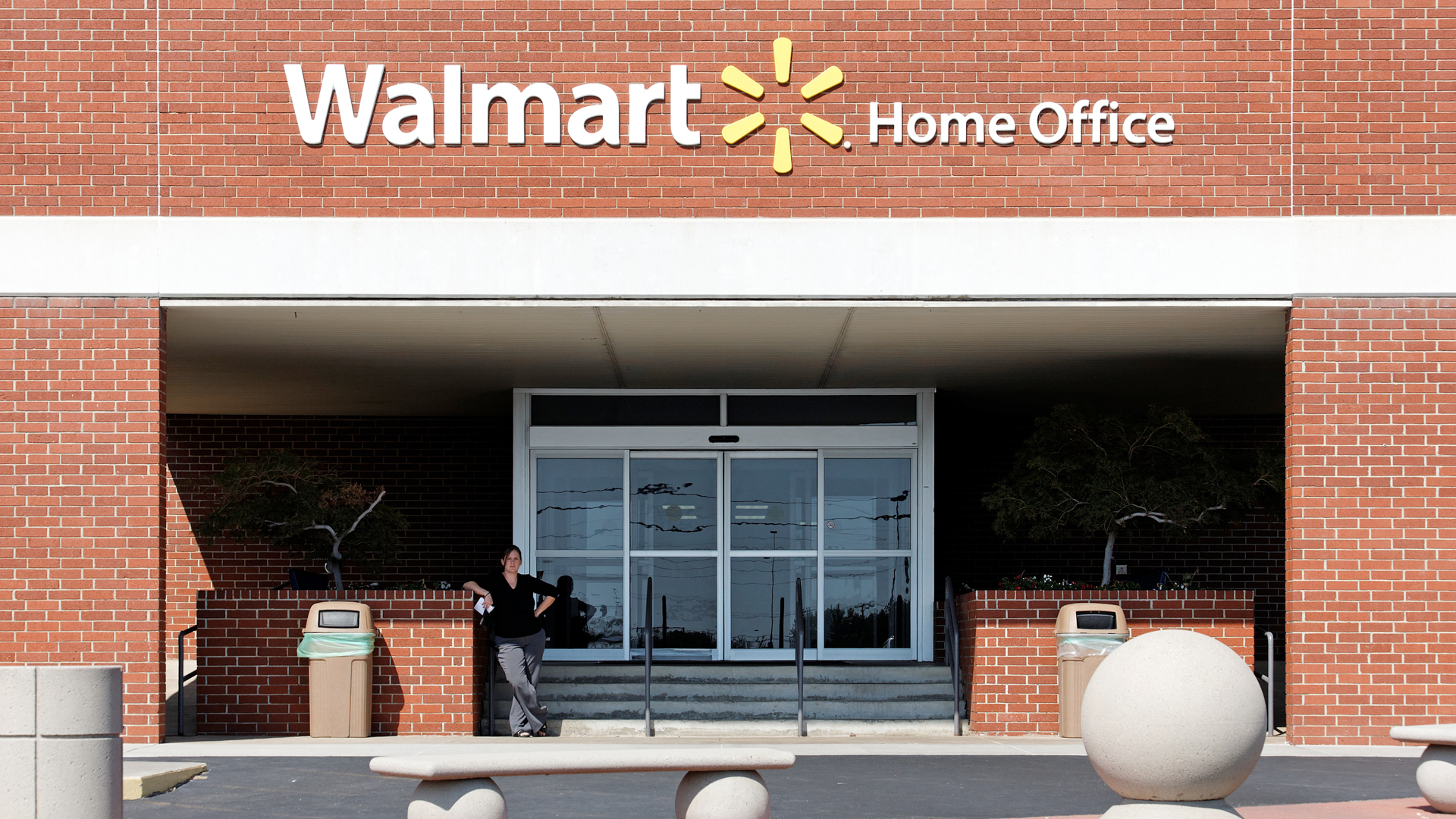 The establishment of the headquarters has driven up property prices in the area, with company executives creating a demand for luxury real estate in Bentonville. The average price for homes has continued to increase even in more recent years, from $63 per square foot in 2012 to $192 per square foot in 2018, according to a study done by the University of Arkansas and commissioned by the Walton Family Foundation, The Wall Street Journal reported.

But that’s not the only change to the Bentonville area spurred by Walmart’s top brass. The Walton family made significant investments into local amenities throughout the 70s and 80s, funding the building of tennis courts, a senior citizens’ recreation hall, a nonprofit daycare center, a library, a youth athletic center and an employee health club, Business Insider reported.

Even with all they give back, the Walton family still pockets plenty of money. In fact, they are among the rich whose fortunes are higher than the GDP of entire countries.