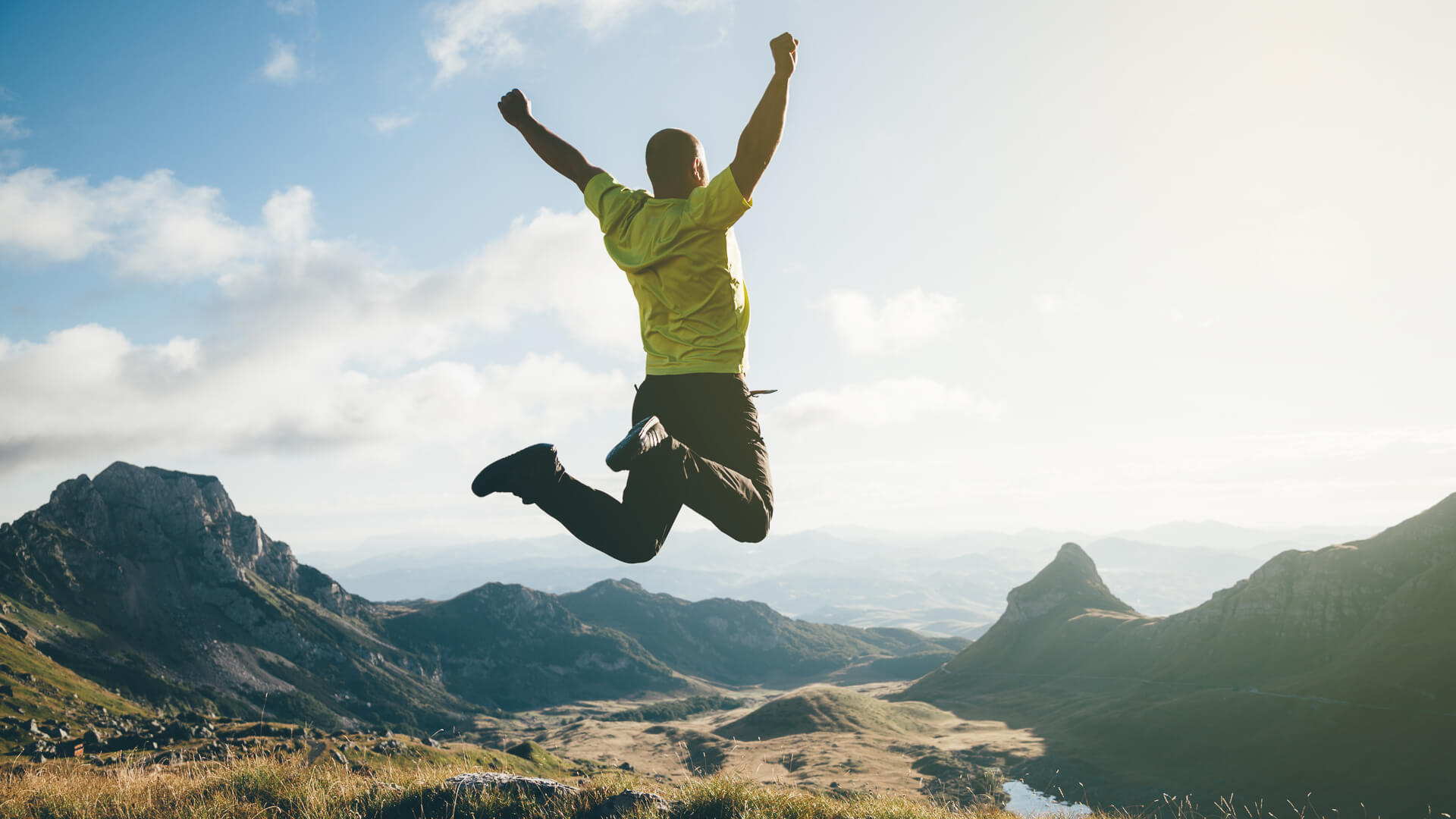 Eric Rosenberg had always dreamed of quitting his full-time corporate job in order to work for himself as a writer. It took a few years to turn this dream into a reality, but now Rosenberg makes six figures as a freelancer.

“It wasn’t easy and didn’t happen overnight, but I firmly believe it is something anyone can replicate if they follow some tried-and-true principles in money and business management to build a solid foundation before taking the jump to freelance self-employment,” he said.

If you’re looking to make the move, here’s how Rosenberg turned his side hustle into his main source of income. 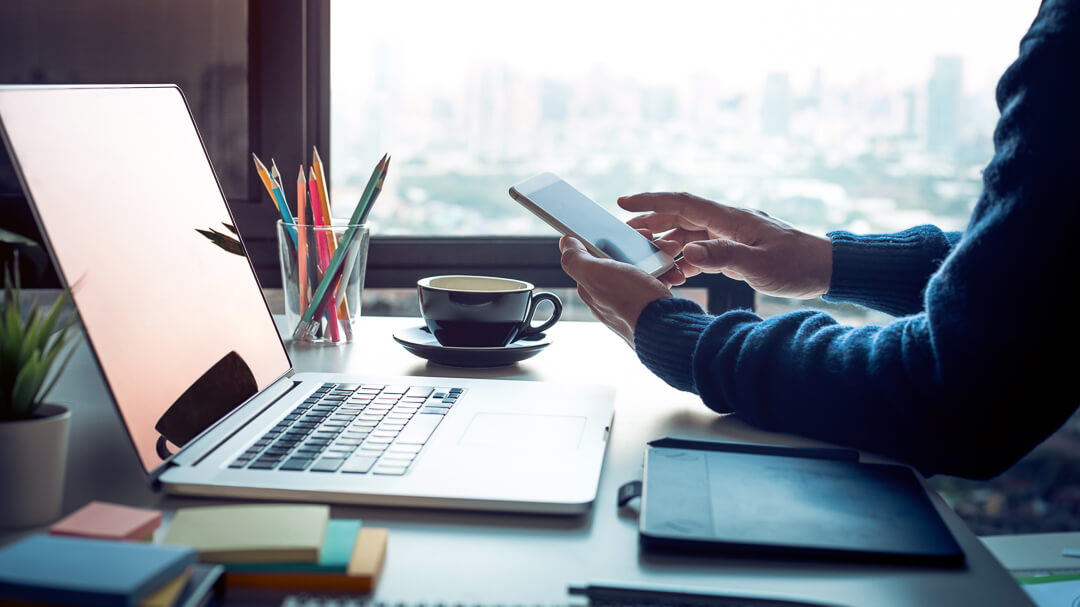 He Didn't Set Out To Be a Full-Time Freelancer

When Rosenberg first started his blog, Personal Profitability, he did not imagine it would enable him to quit his job.

“My online business didn’t start out making thousands of dollars each month,” he said. “Like every business, ranging from Apple to Zappos, it all starts with the first dollar. I didn’t start my online business thinking I would quit my job and become a six-figure freelancer. That happened over a period of years, which you can see in my monthly income reports.” 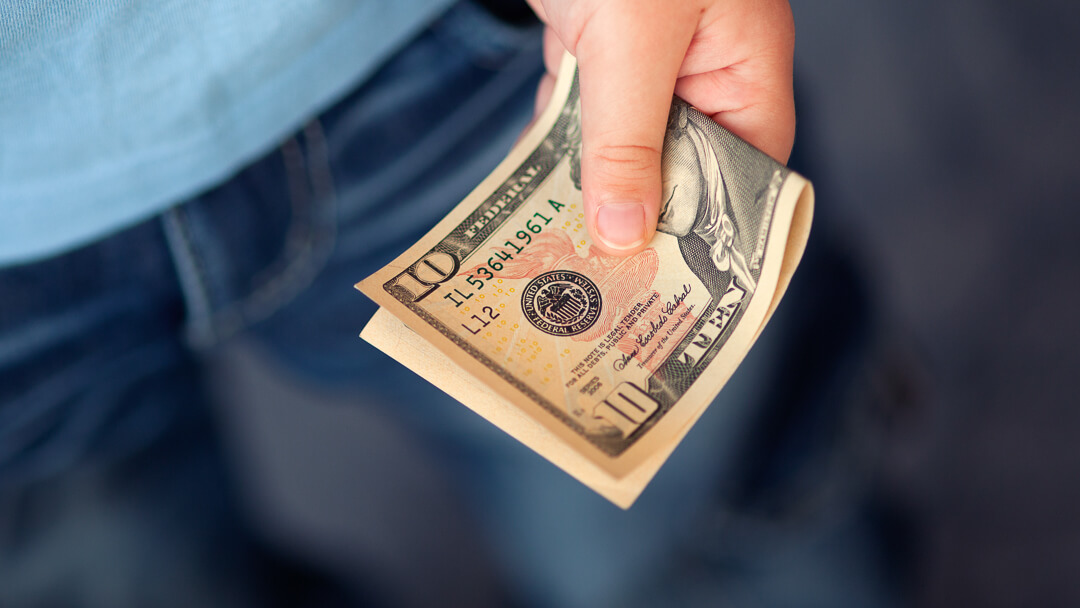 How He Turned His Hobby Into Profits

“I started writing about money online as a hobby with a little personal finance blog drawing on my own knowledge and experience,” Rosenberg said. “That blog led to new relationships and opportunities. My first income from the blog was a $10 sponsored post nearly a decade ago. From that point, it took about eight years before I was able to quit my job and go full-time.”

“I made money with my own blog, which led to opportunities to write for other websites as a freelancer,” he said. “Staying focused on what was working well in my online business led to enough growth to replace my paycheck. It takes years of hard work and dedication to build a successful business in most cases, and I was no different.” 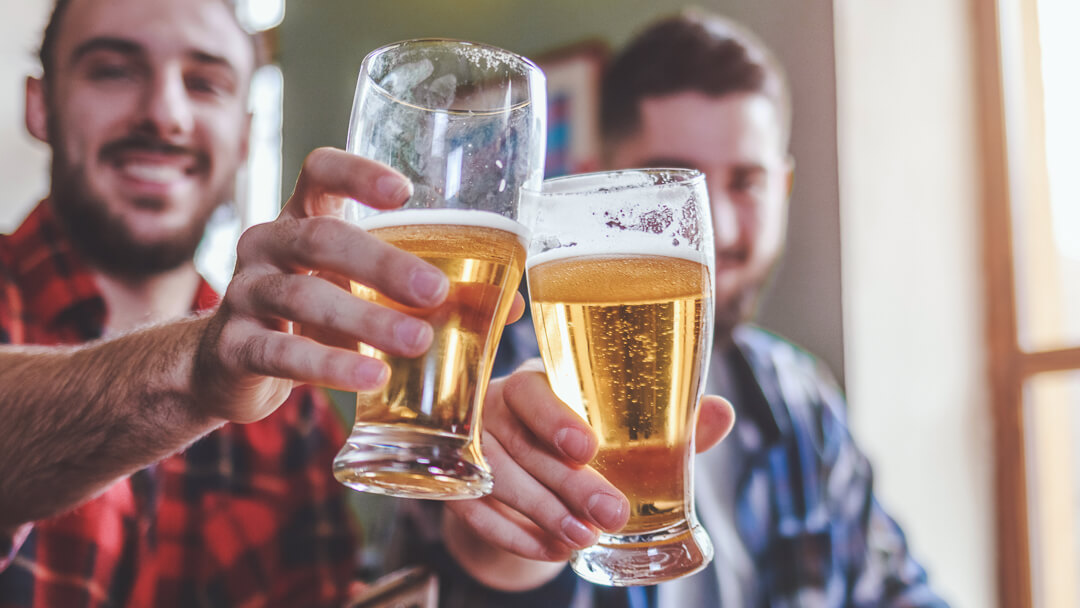 Not Every Business Will Be a Success

Rosenberg’s personal finance blog is not the only business idea that he’s tried. The businesses he has started over the years have achieved varying degrees of success. Rosenberg has also started a flash mob planning company (success), a reusable bag store (failure), flipping items online (small success), selling custom bracelets (small failure), a group beer blog (fun, but no profit) and an online lending platform (TBD).

“Any of these could have been a great success,” he said. “Some worked out well, like my flash mob company that earned me thousands of dollars in profit over the years. But my reusable bag store…let’s just say you can’t compete with Walmart and Kroger selling something for 99 cents and win. But I wouldn’t have known that unless I tried, and I wouldn’t be here had I not taken a risk starting the business that led to my biggest success.” 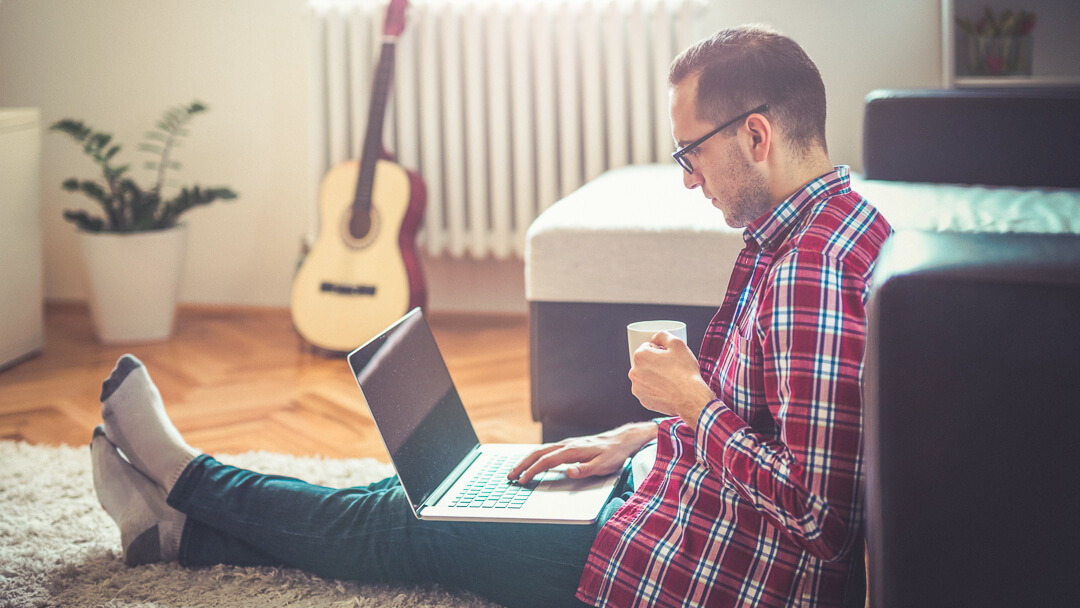 Focus On What Works and Repeat

“When I started, I thought my personal finance blog and I would follow in the footsteps of well-known online personalities, like Pat Flynn of Smart Passive Income or Robert Farrington of The College Investor,” Rosenberg said. “I wanted to be a big-name blogger revered by millions, but my own path to success looked a little different than my expectations.”

“As it turns out, I don’t get millions or even hundreds of thousands of visits to my website each month, but I am still able to make six figures by writing online,” he continued. “With my freelancing writing, I make more money than writing on my own blog. It’s not what I envisioned originally, but by embracing that success and working to build on what was already working, I hit $40,000 in online revenue in 2015. If you want to build any type of business, freelance or otherwise, this is an incredibly important concept. Even if it isn’t what you expect, recognize your strengths and successes, and run with them.” 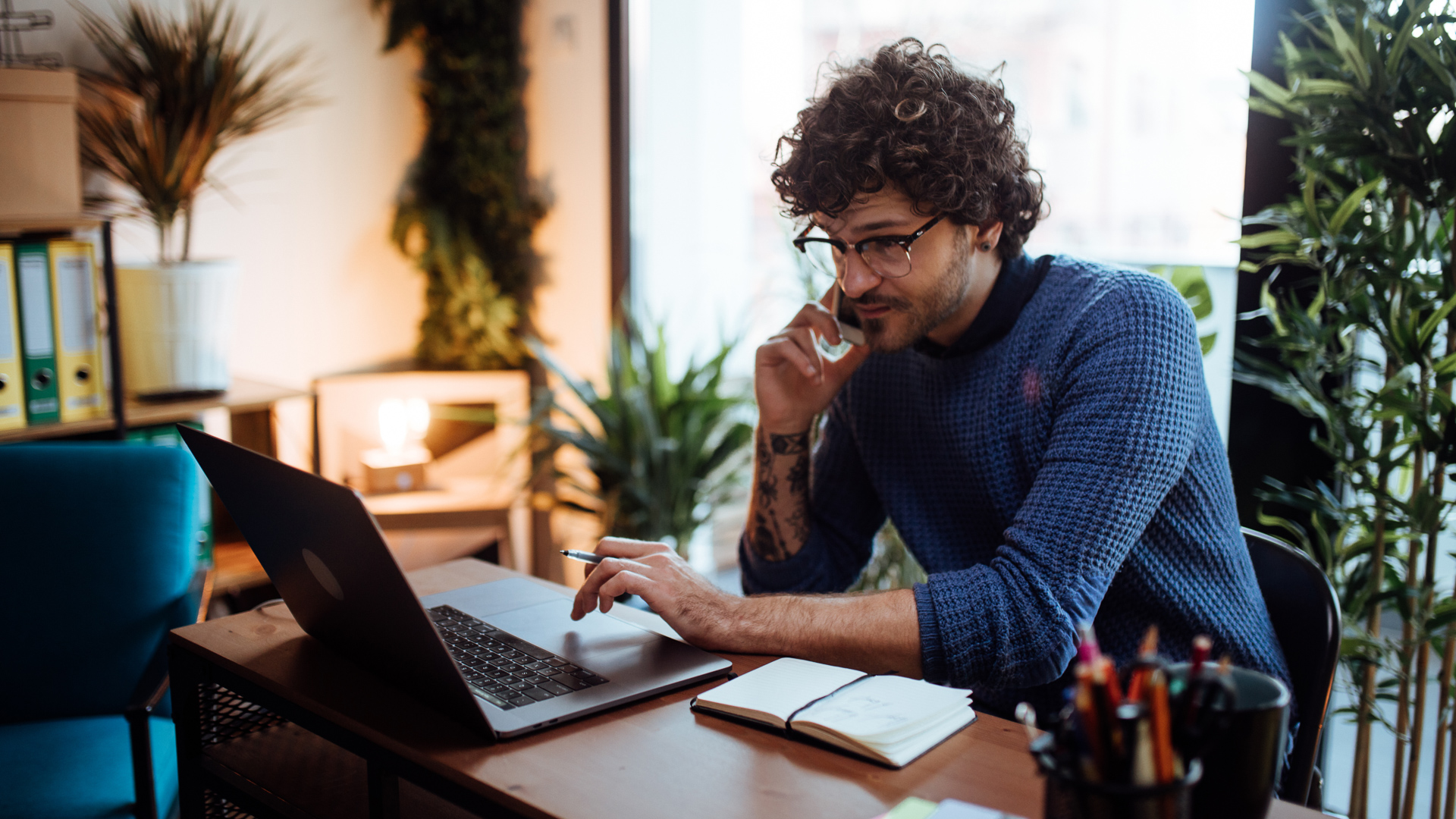 The Importance of Being Flexible

Although Rosenberg originally thought his blog would be his biggest moneymaker, his freelance writing is the main source of his income so he has shifted his focus accordingly.

“My own blog definitely takes a backseat to clients,” Rosenberg said. “I now spend at least 90% of my work time on client projects and communications.”

Options: The 32 Best Side Hustles in America 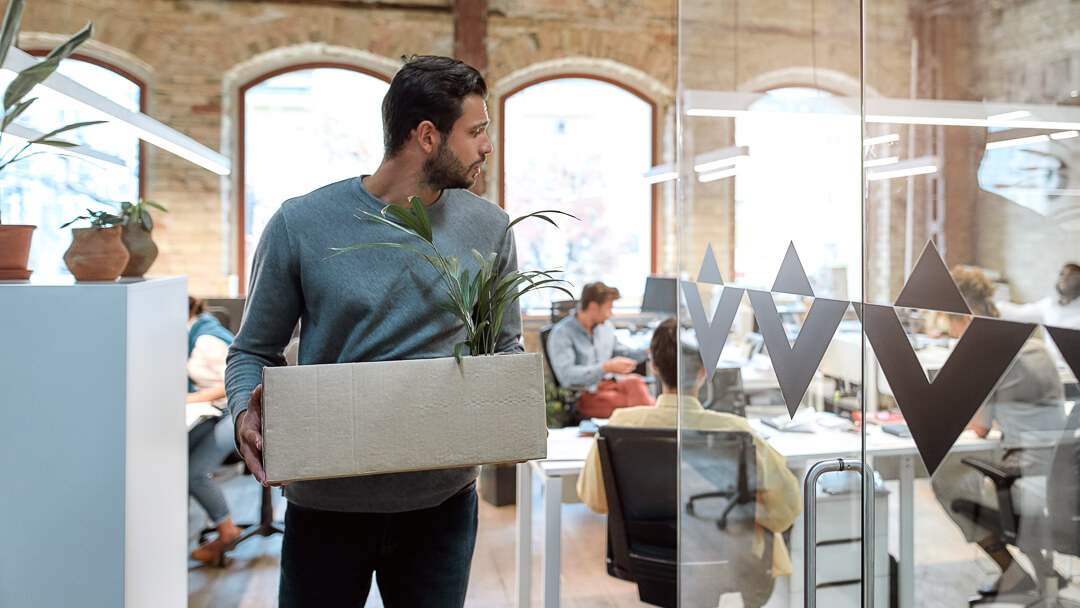 Quitting your full-time job to focus on your side hustle can be a scary jump, but Rosenberg knew that he was ready to take the plunge after he earned $40,000 through his writing side hustle in 2015.

“I was still very nervous about quitting my job and walking away from the great benefits and amazing coworkers,” he said. “Having significant savings took off some pressure while transitioning to full-time self-employment.” 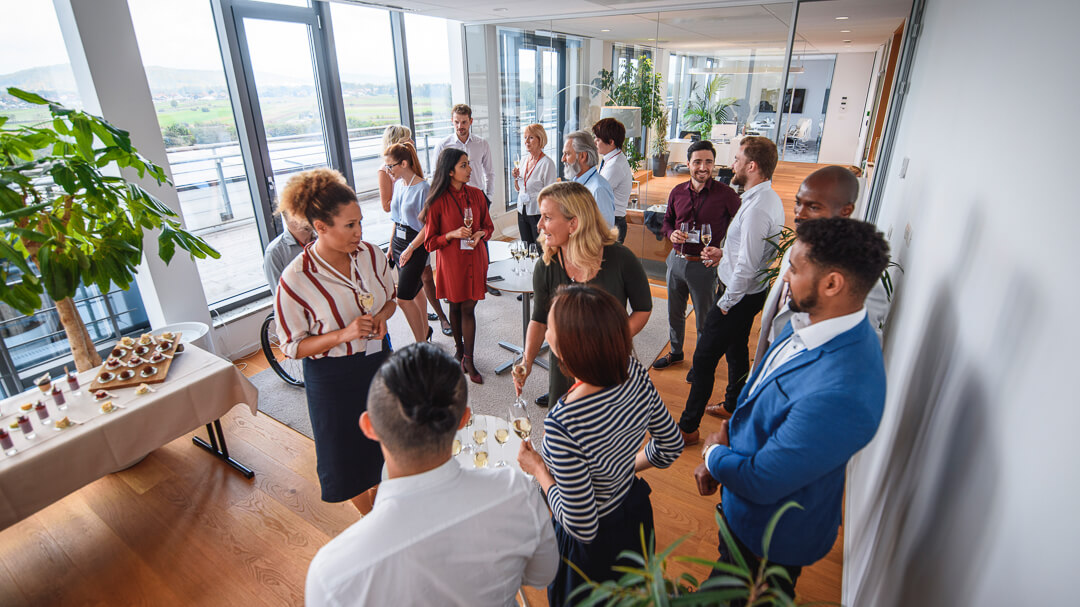 How He Finds High-Paying Freelance Gigs

Now Rosenberg makes $100,000 a year by writing, but it didn’t start out that way. Networking was a major factor in how he landed his high-paying gigs.

“I started freelancing very occasionally on some friends’ sites where I had expertise and could fill a void in their knowledge,” he said. “Going to the FinCon conference every year led to relationships with larger companies, including my first serious freelancing clients. While we work together online, meeting in person is hugely valuable.” 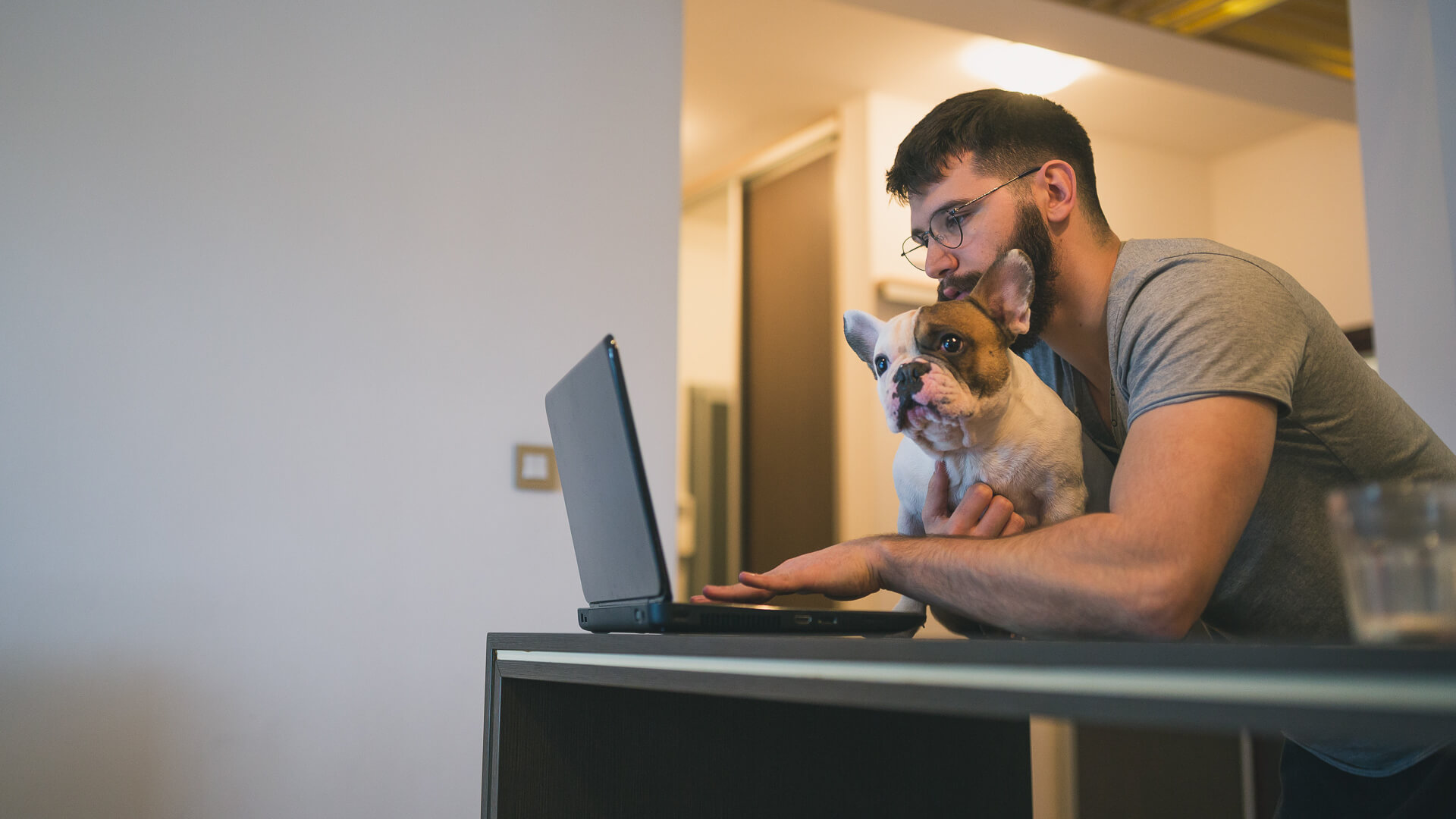 The Value of Having a Personal Blog

If your goal is to make big money as a writer, having a personal blog can be invaluable — even if it’s not the main source of your income.

“I have some affiliate relationships and advertising on Personal Profitability, but many of my freelance clients found me through that website first,” Rosenberg said. “It’s still a big lead generator for my freelance writing, though it doesn’t make much directly.” 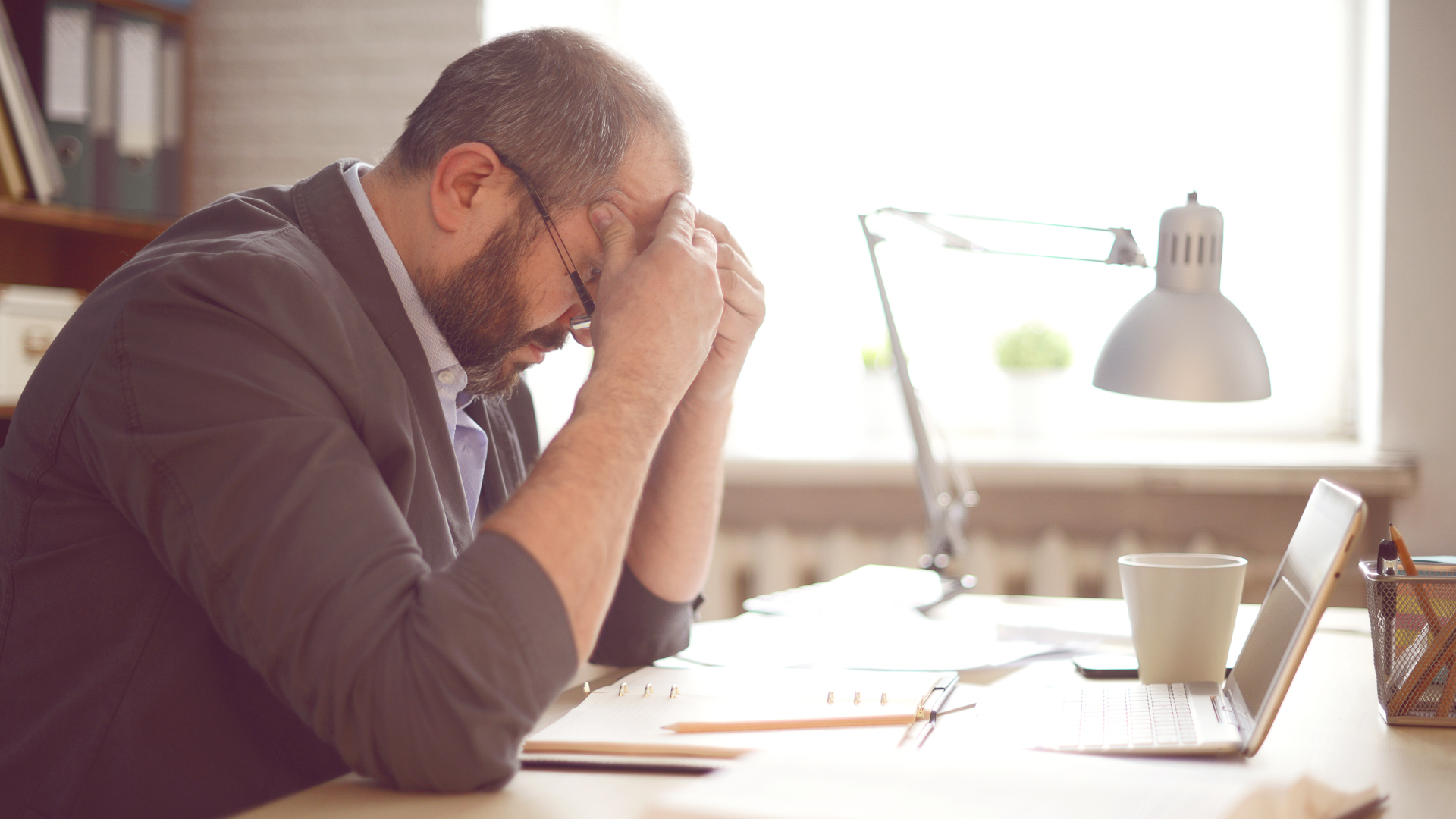 How To Know if a Freelance Gig Is 'Worth It'

There are plenty of freelance writing gigs available, but some pay so little that they really aren’t worth your time. It’s OK to be selective about who you work with, Rosenberg said.

“I’m well educated — [I have] both an undergraduate degree and an MBA in finance — and am in a lucky position where I can be picky about who I work with. I only work with clients who have a budget that covers premium quality work,” he said. “After enough experience, I’m able to tell fairly quickly if a client is going to be a good fit with what I offer.” 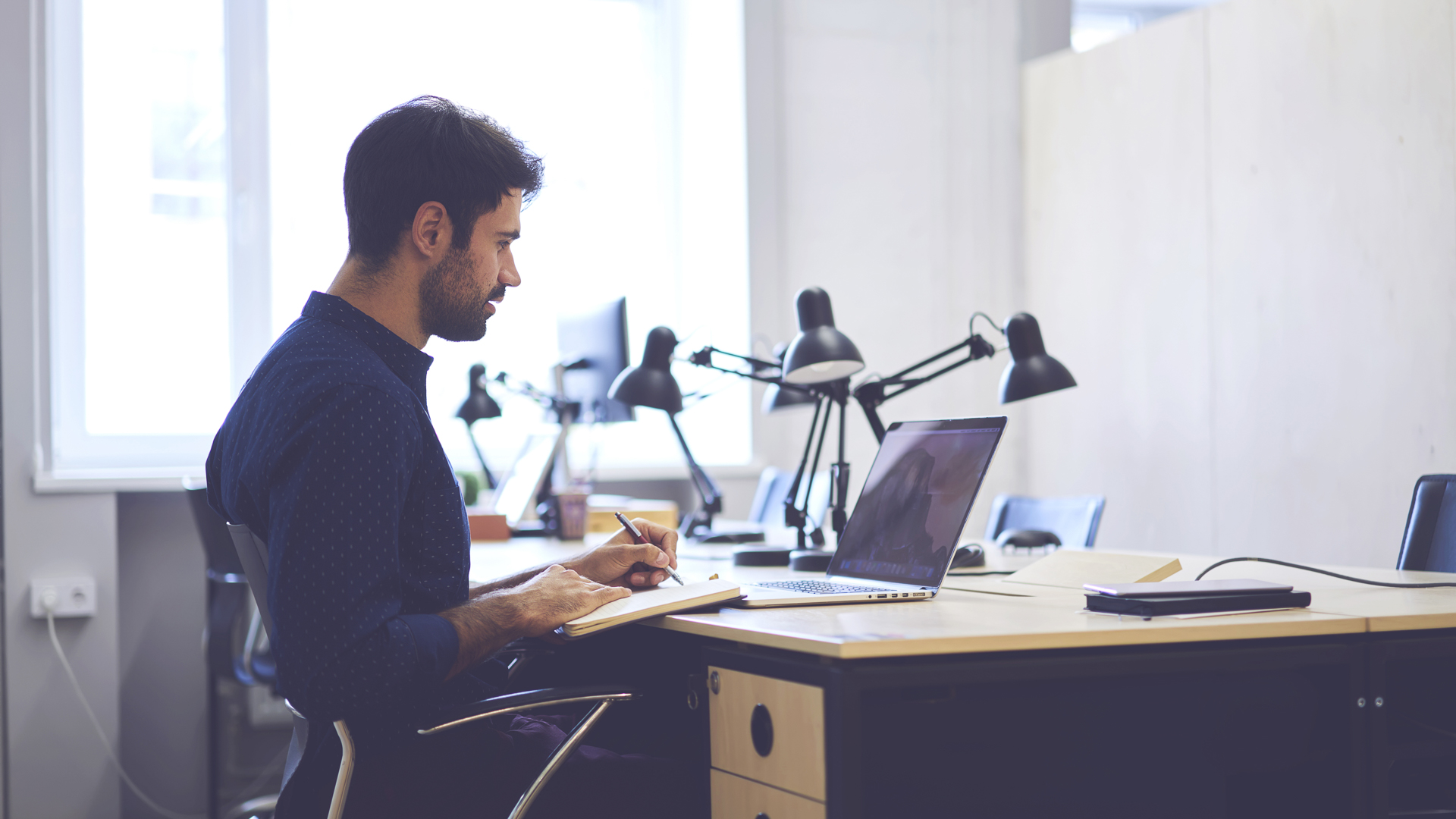 Write About What You Know

Rosenberg focuses his writing on finance. Because he’s an expert in the field, he can demand high rates for his writing gigs.

“Before freelancing, I spent a decade in corporate finance and accounting roles and some time as a bank manager,” he said. “I’m able to leverage that experience and my finance education to work with some of the best companies in the finance niche.”

Rosenberg recommends focusing on writing about your specific area of expertise.

“While most people don’t have a business background, they are an expert in something,” he said. “Look at what you know best and use that expertise to build your freelance business. If you don’t have experience in the industry you’re targeting, you may have a tougher time getting started.” 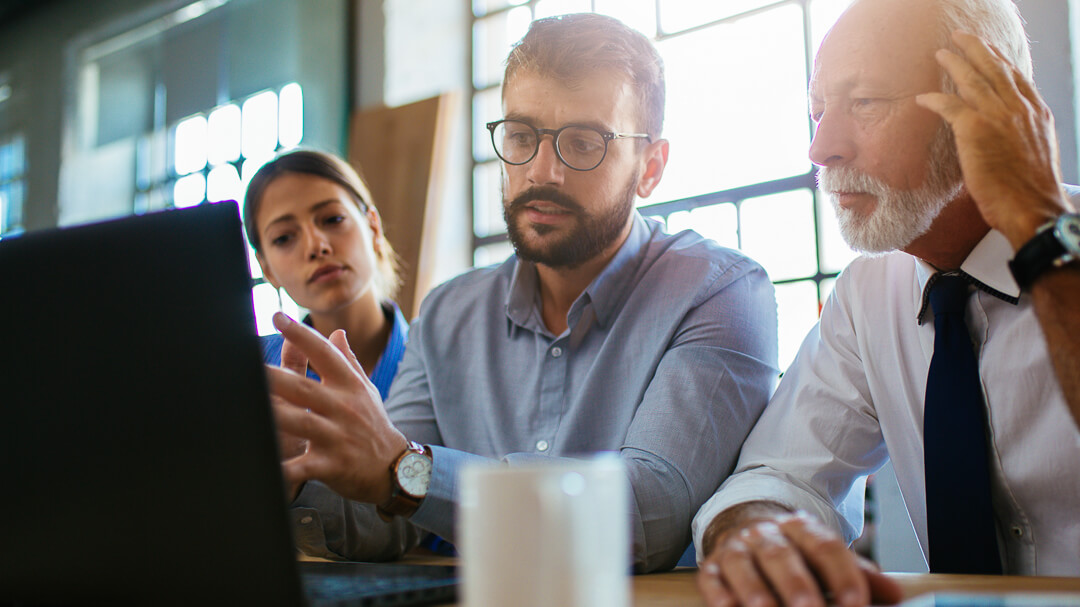 Take Your Side Hustle Seriously

“Freelancing gives you amazing freedom and control over your schedule, but it isn’t all rainbows and unicorns,” Rosenberg said. “It is a real job that has to be treated professionally. I work with multi-billion dollar companies, and they won’t accept poor communication, missed deadlines or sloppy work. If you plan to freelance for your primary income, be ready to treat it like a serious business.”

Get Started: 101 Side Business Ideas and How To Start Without Quitting Your Job 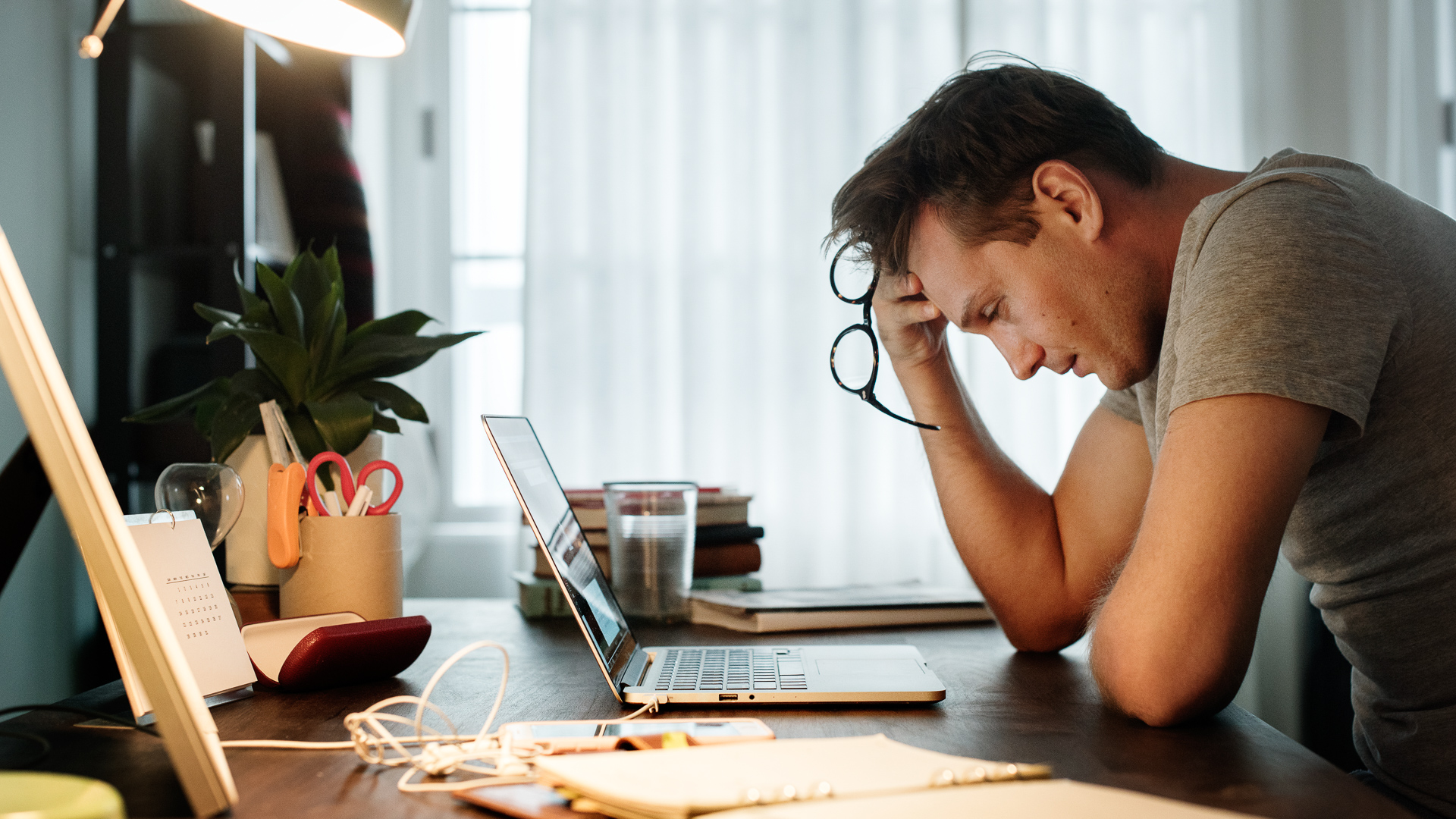 Be Prepared for the Financial Risks

If you do decide to be a full-time freelancer, it’s important to be financially prepared for what that entails.

“In freelancing, there are good months and bad months,” Rosenberg said. “The winds of the economy are always changing. Client needs come and go. And your entire business rests on your reputation. If you don’t have good savings and an ability to pivot and hustle through tough periods, freelancing may not be the right fit for you.” 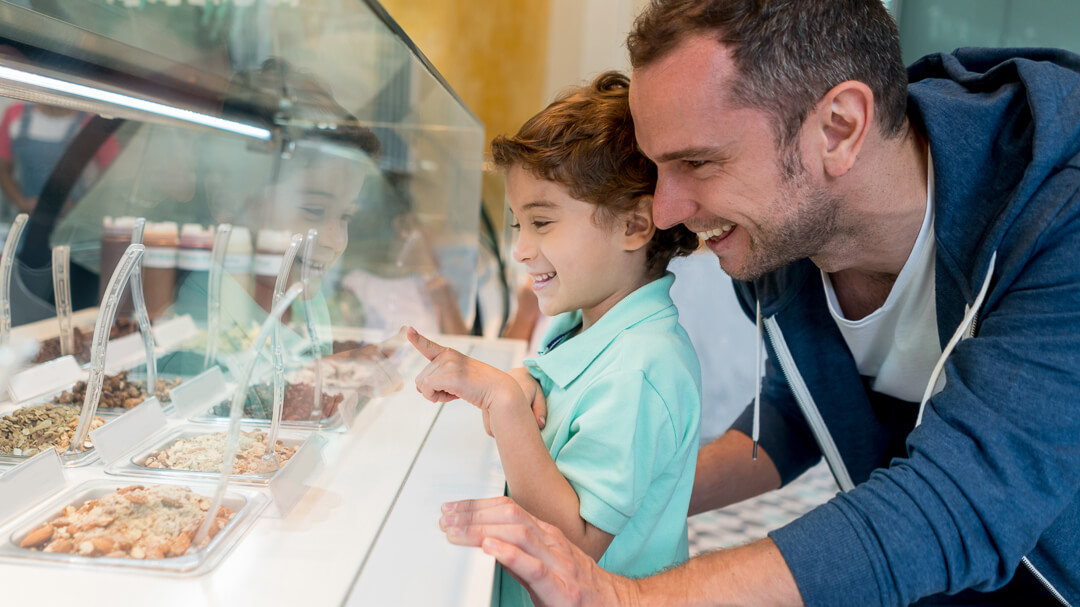 The Good Could Outweigh the Bad

There are certain risks that come with making freelancing your main source of income, but there are benefits as well.

“On a Tuesday afternoon at 3:30 p.m., I can take my kids out for ice cream just because,” Rosenberg said. “When I’m going to the dentist, I don’t have to clear the appointment time with a boss. If there’s a family trip coming up, I don’t worry about my vacation time or hours. The ability to decide when and how you work is by far the best part about freelancing for most people. As long as you’re meeting your deadlines, you are in complete control over your schedule. That’s pretty cool in an age when most people have hourly or salaried jobs that require them to be in a specific place five days a week.” 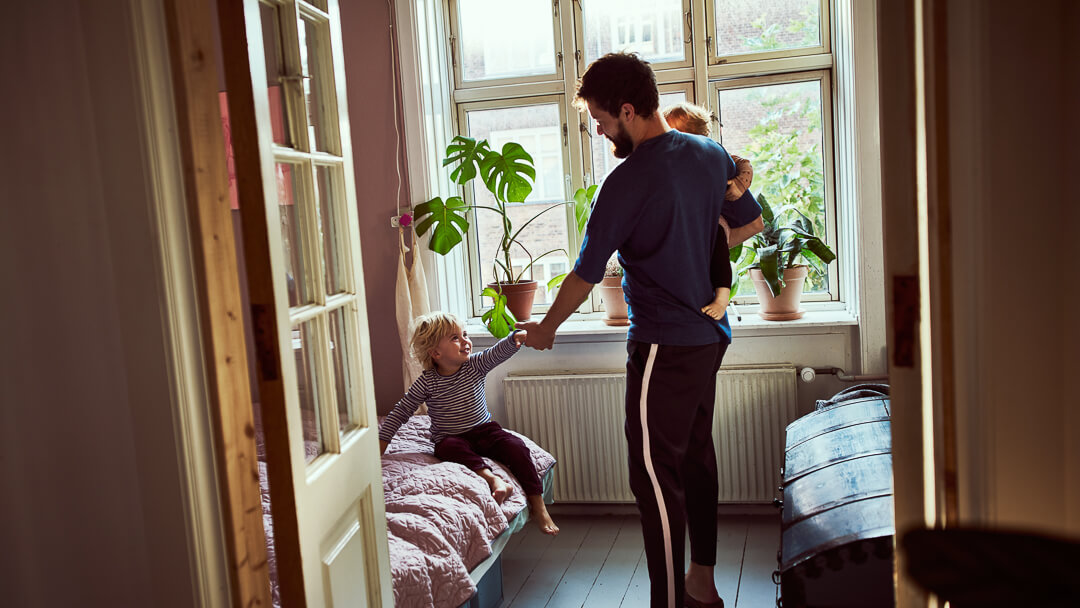 If your goal is to become a $100,000-a-year freelancer like Rosenberg, come up with an actionable plan.

“Breaking down your goals makes them much easier to reach,” Rosenberg said. “Rather than focusing on making $100,000 in a year, consider a monthly goal of $8,333, or a goal of $417 every weekday (more than enough to hit $100,000 in a year). If you can find a way to do that and hold yourself accountable, you will be on track for that six-figure success before you know it.”

“In my case, I was able to draw on six years of education and years of experience in finance to build a profile as a freelance writer,” he continued. “While you may not know your way around money like I do, you likely know something better than most anyone else. Build on that knowledge while setting clear goals for your future income. If you do, six-figure success may be just around the corner.”

Eric Rosenberg contributed to the reporting for this article.

Photo Disclaimer: Please note photos are for representational purposes only.