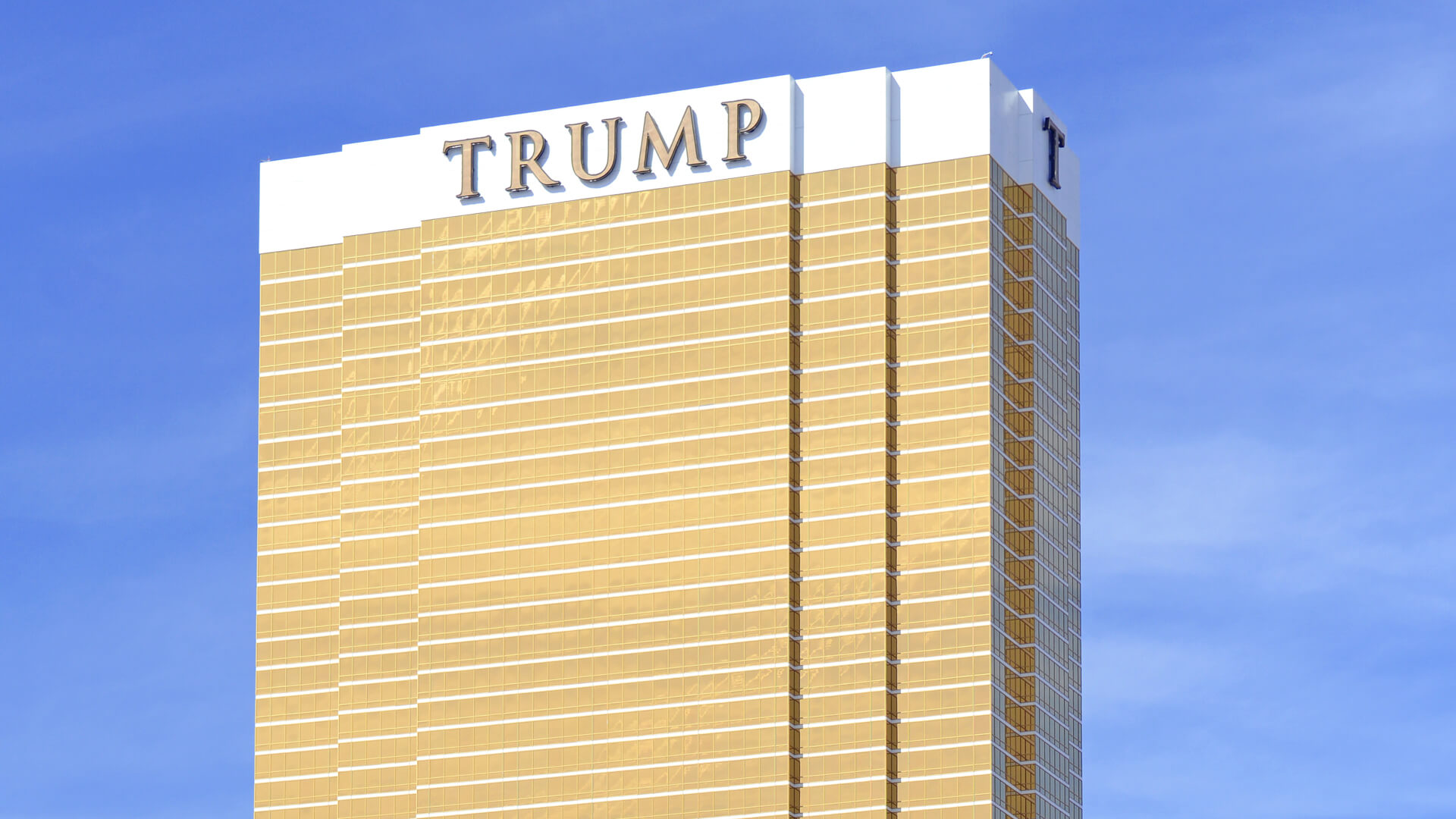 President Donald Trump has spent one-third of his first year in office at Trump properties, including all but 12 of his first 51 weekends as the leader of the free world.

The value of these luxury hotels, golf clubs and resorts are all sizable, but how do they contribute to the president’s overall net worth? Fortunately, Forbes has done the homework on all of the properties in the Trump Organization and President Trump’s personal holdings.

Click through and see which real estate properties highlight Trump’s net worth portfolio. 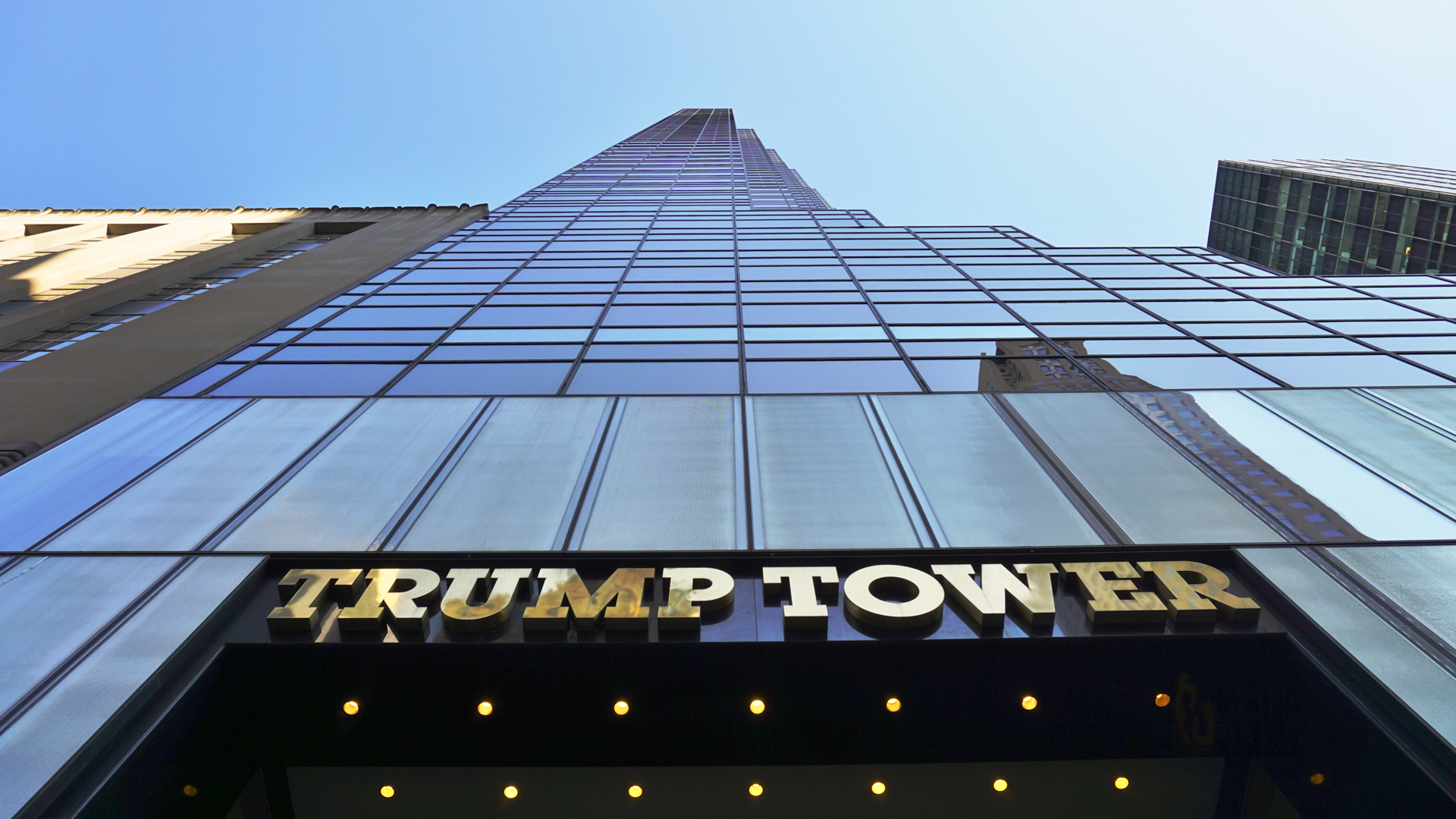 The 68-story building located on Fifth Avenue in Manhattan has been the crown jewel in President Trump’s holdings since its completion in 1983, with a number of high-end retail stores, 26 floors of luxury offices and 38 floors of luxury condominiums. The penthouse, where the president made his primary residence until the election, is over 6,000 square feet, includes three floors and is worth approximately $64 million.

It also turns out that President Trump’s rivalry with Amazon CEO and world’s richest man Jeff Bezos might have more to it than his anger over how he’s covered in the Bezos-owned Washington Post. Unfortunately for Trump, online retail appears to be eroding the value of his Fifth Avenue retail stores, contributing to the $600 million decline in net worth he suffered last year. 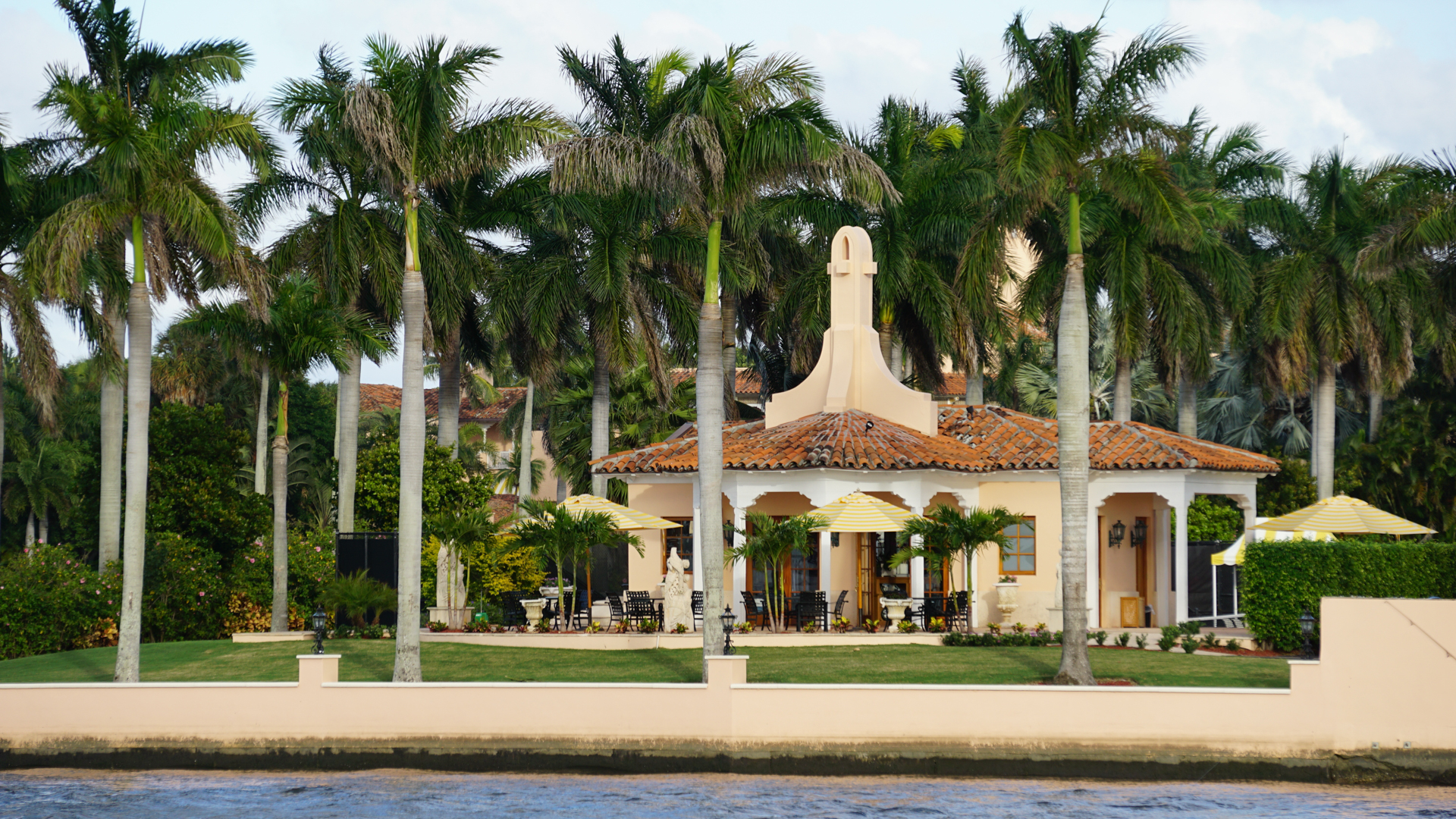 This exclusive Florida club features a 1927 Moorish-style building originally constructed by heiress Marjorie Merriweather Post. The frequent presidential visits might be working their charm: the club reportedly doubled its initiation fees from $100,000 to $200,000 after the president’s election.

The Trump family additionally owns two Palm Beach residences nearby that are worth a combined $15 million. 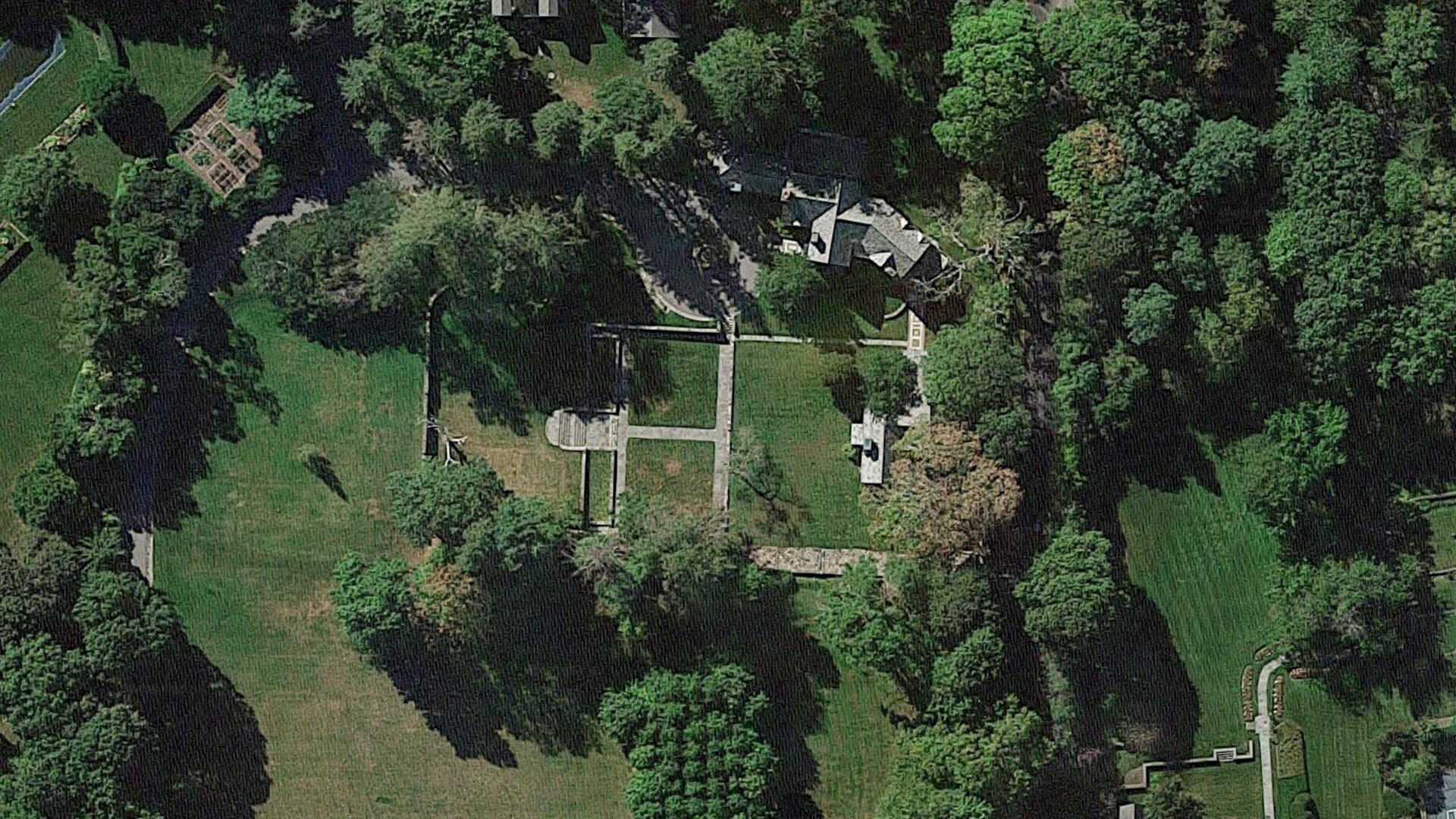 Donald Trump’s connections to The Washington Post don’t stop at railing against Jeff Bezos on Twitter: His country home in Bedford, N.Y., was originally built by Post publisher Eugene Meyer and included the residence of Henry Heinz, founder of Heinz.

Trump reportedly wanted to turn Seven Springs into a golf course when he first bought it in 1996, but he couldn’t get the necessary zoning permits and had to settle for making it a summer home for his children. 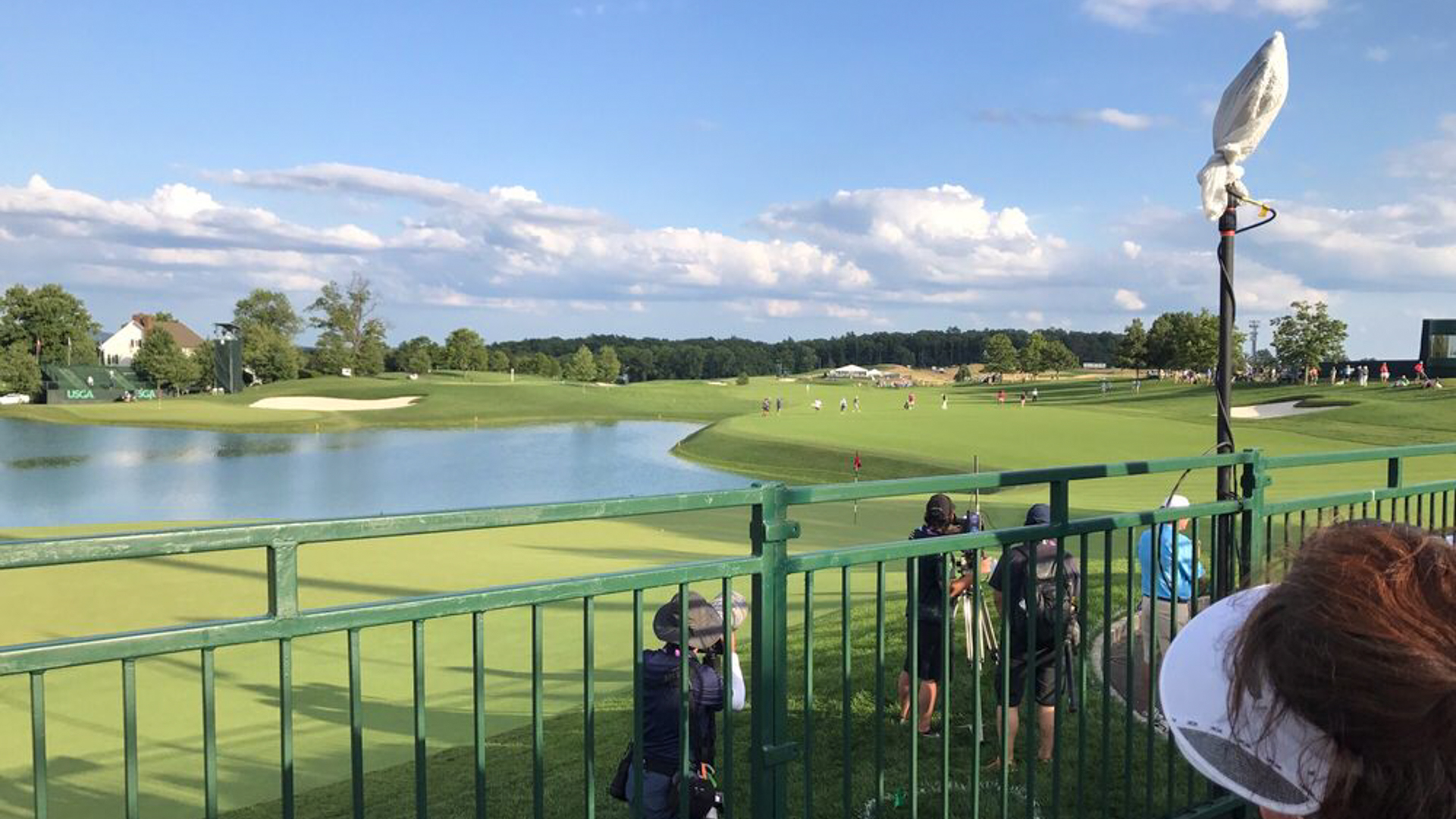 The 36-hole golf course, which has frequently been included in Golf magazine’s top 100 golf courses in America and was the home for the 2017 U.S. Women’s Open, is going to host the 2022 PGA Championship. The Trump family owns a luxury cottage on the premises, and Ivanka Trump and Jared Kushner held their 2009 wedding there.

Good luck becoming a member, though. The initiation fee is a reported $350,000. 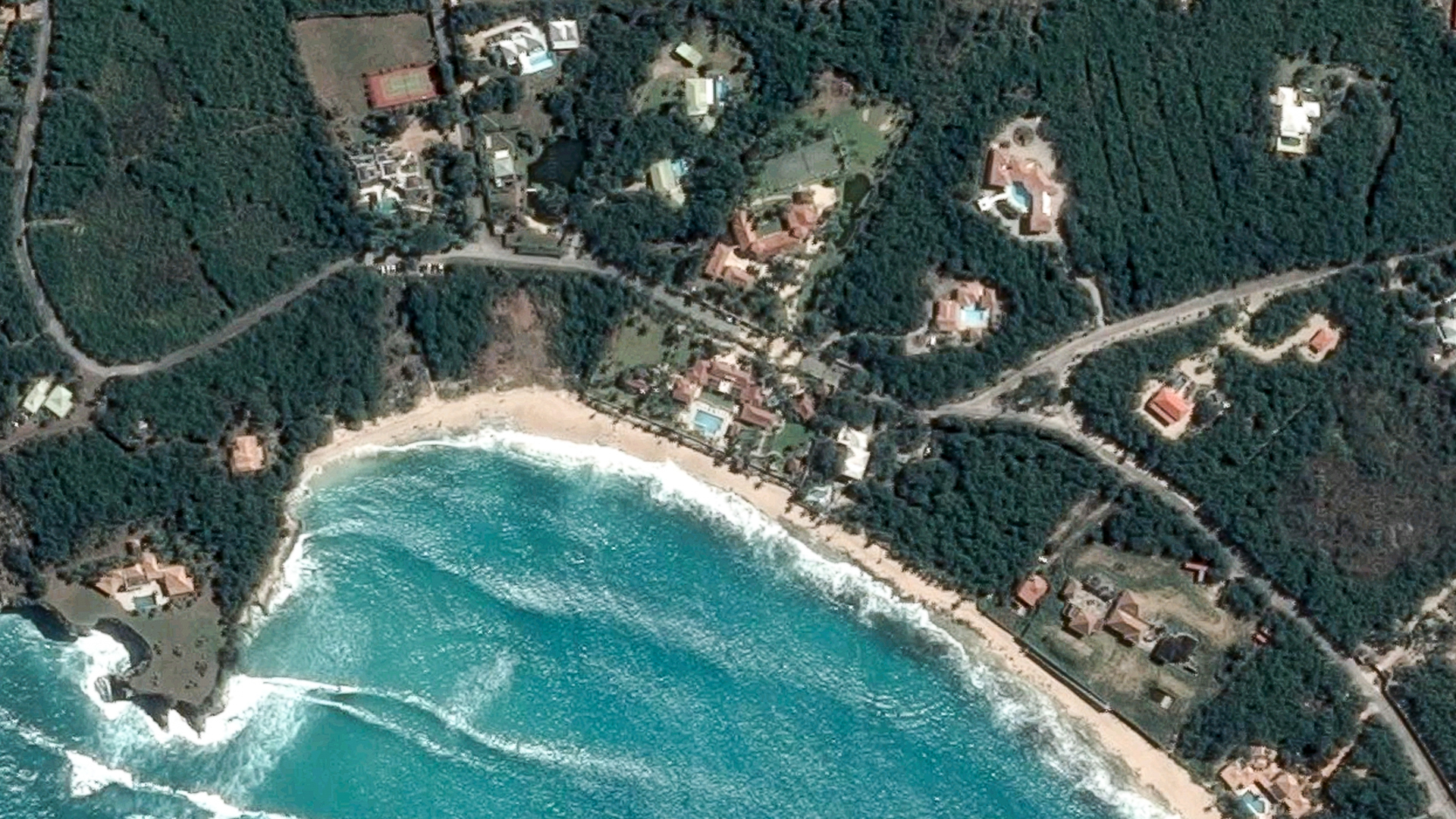 This luxurious Caribbean resort was purchased by President Trump in 2013. Located on Plum Bay with direct beach access, it has nine bedrooms, 10.5 baths and a pool. It’s available to rent for $6,000 to $20,000 a night. Or, if your pockets are deep enough, you can buy it: President Trump listed the property for $28 million in May of last year before dropping the asking price to $17 million a few months later.

The location might have more going for it than people initially realized when it was put on the market. When Hurricane Irma rolled through in September of last year, it destroyed 95 percent of the island but spared Le Chateau des Palmiers.

Also Check Out: How Ivanka Trump’s Next Career Moves Will Grow Her Net Worth 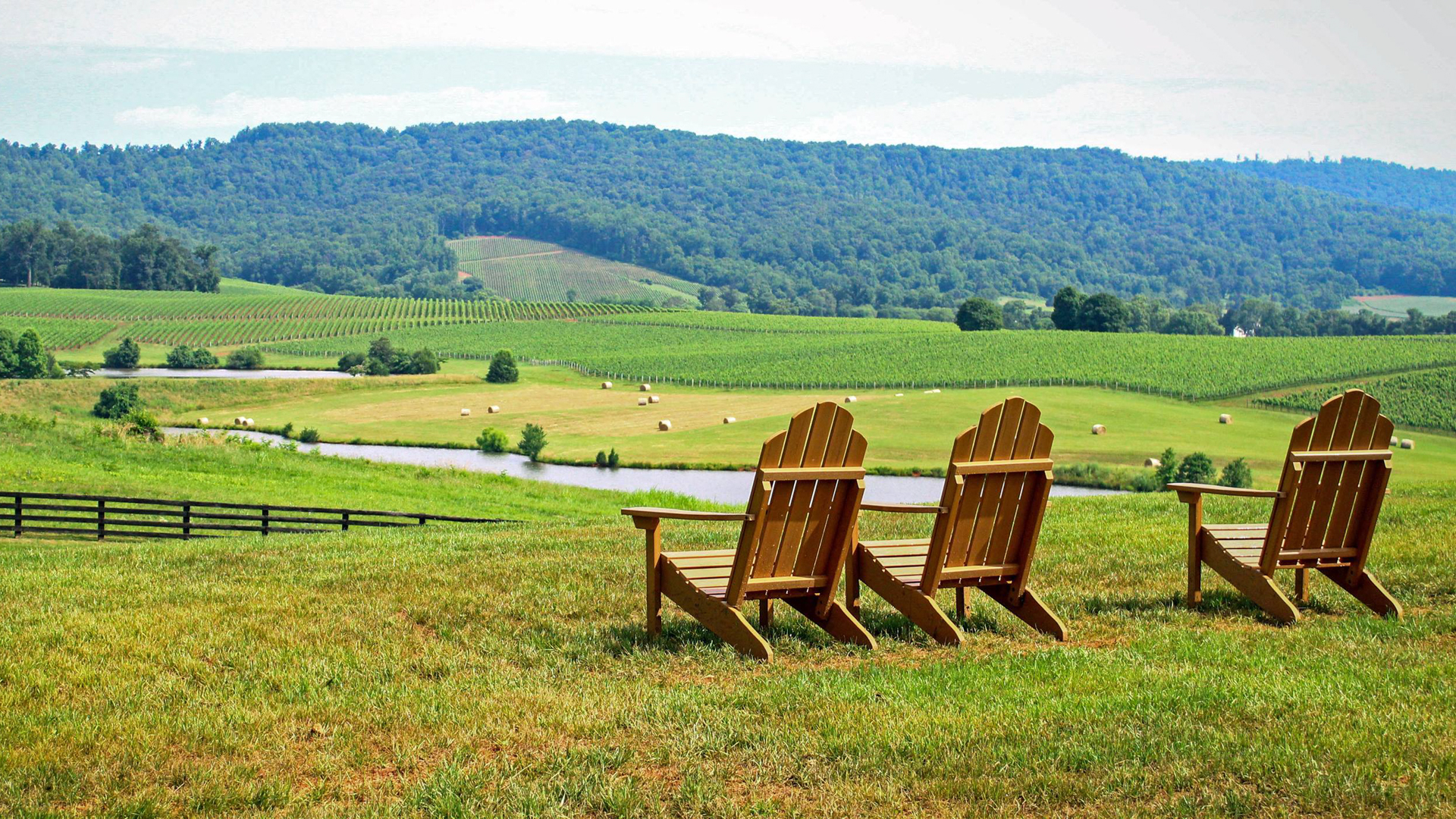 Located in the foothills of the Blue Ridge Mountains, the 1,300-acre estate is located mere miles away from Monticello, the home of famed wine aficionado and founding father, Thomas Jefferson. The estate also features a 26,000-square foot, 45-room boutique luxury hotel, which was opened in 2015. 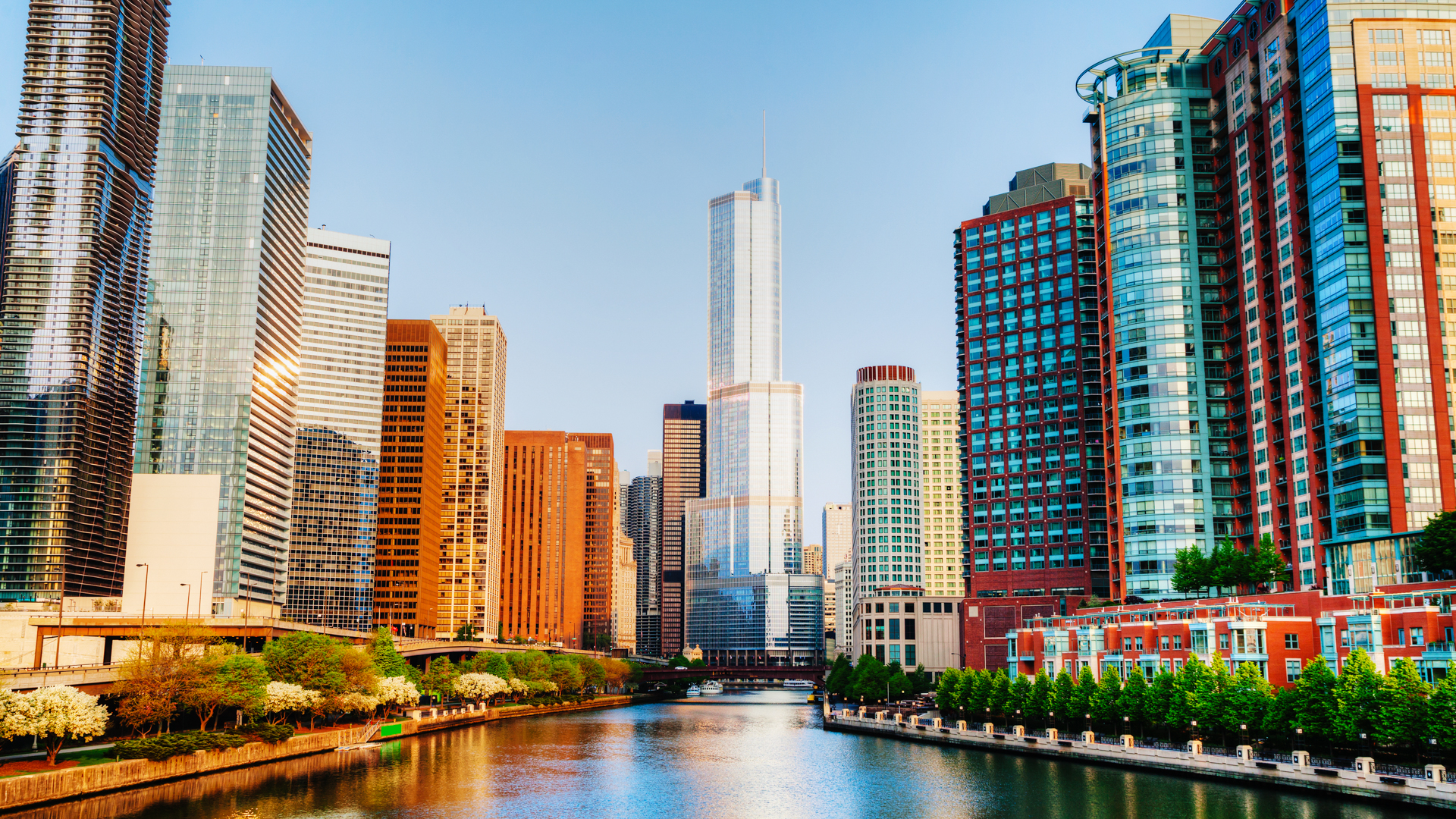 At the time it was completed in 2008, the 92-story Chicago tower was the tallest completed residential building in the world. The tower and its 2.6 million-square-feet of interior space have seen better days, however. It’s lost almost half its value since last year, there’s less interest in the tower’s hotel-condo units since its namesake entered the political arena and the riverfront retail space hasn’t had a tenant for years. 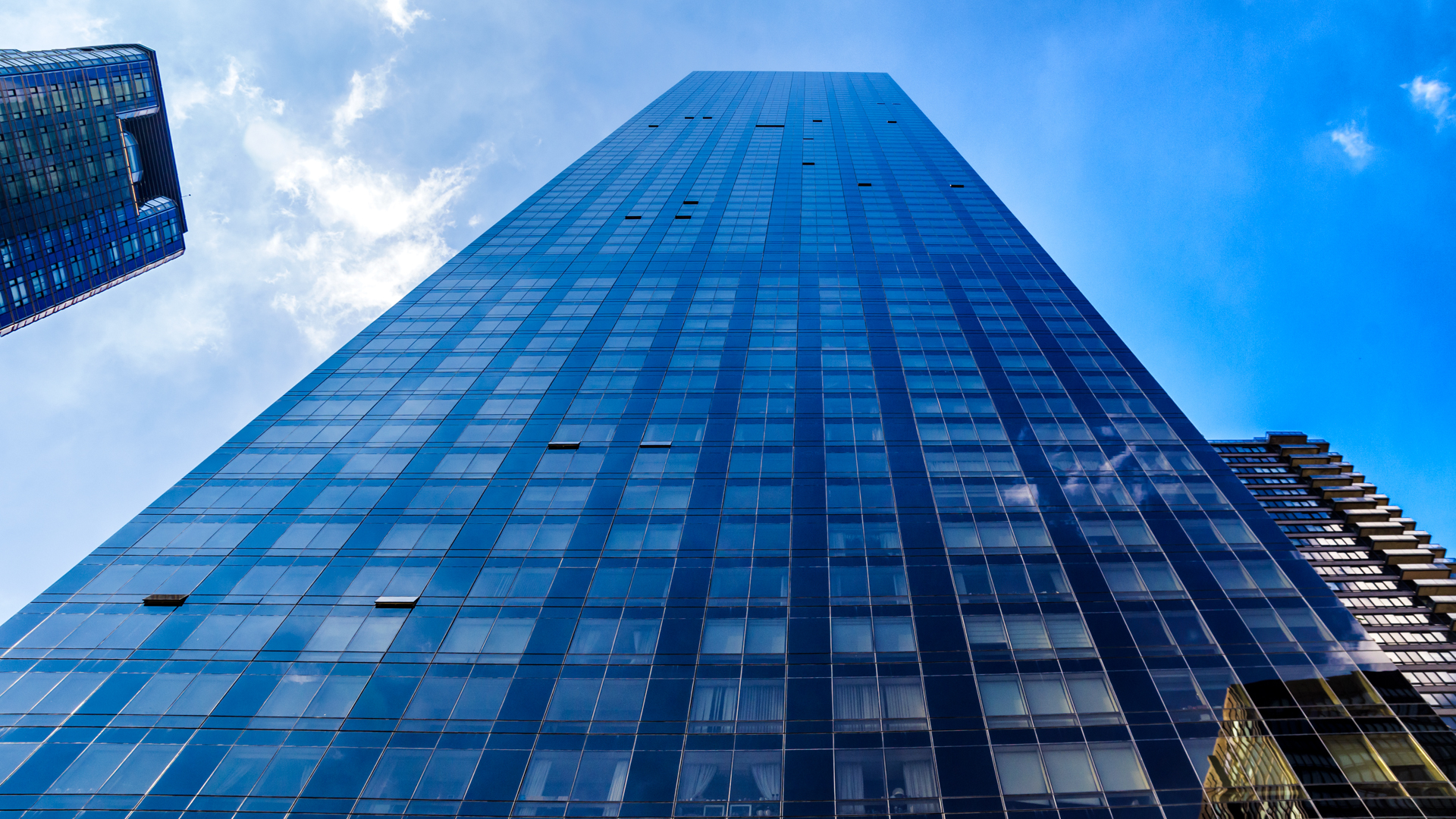 This 90-story residential building located on East 47th Street features luxury condo living along the East River with amenities to match, including a 60-foot pool and a private spa and health club. 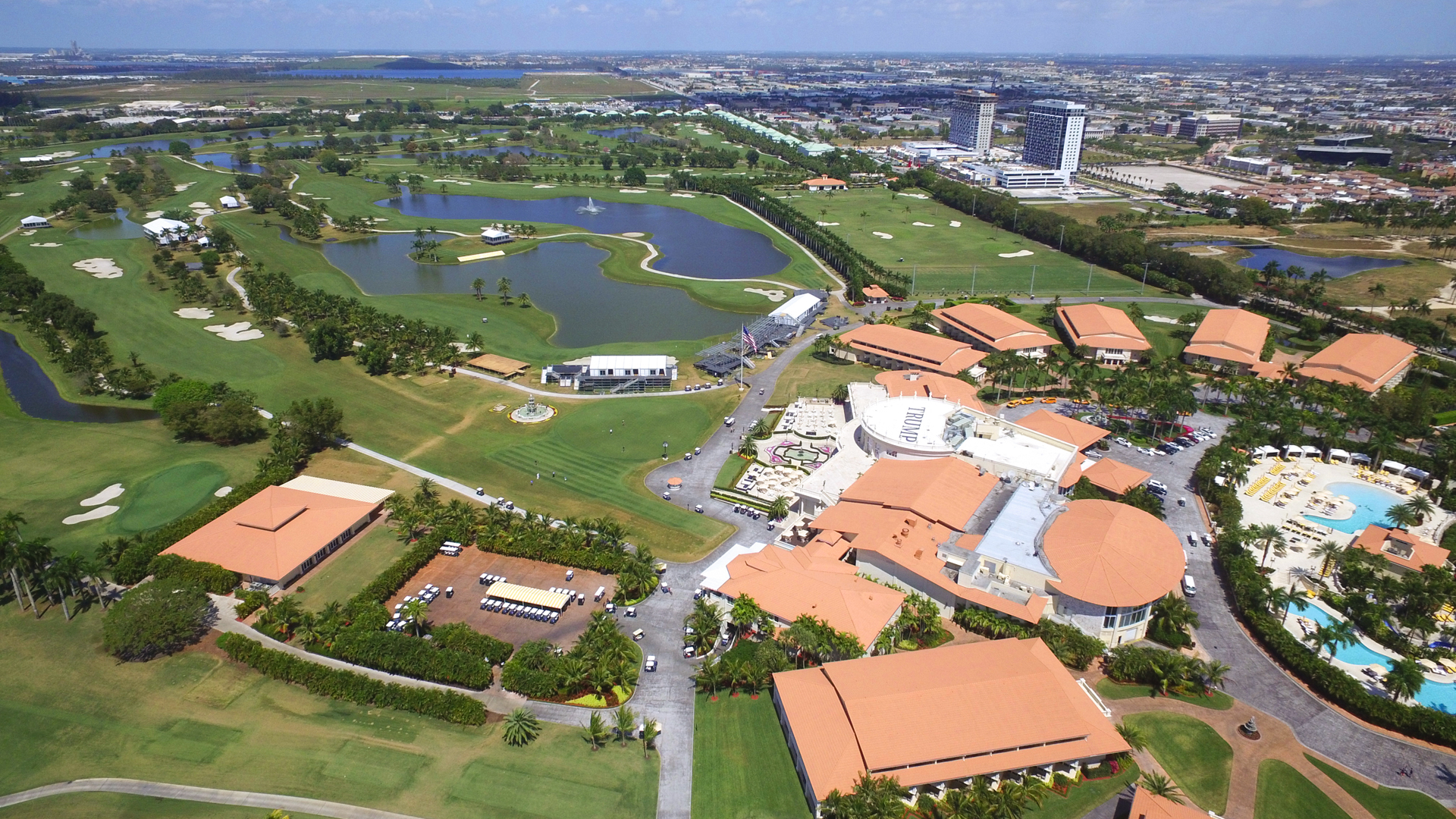 This 800-acre Miami resort has four golf courses, tennis courts and the Royal Palm Pool with 18 private cabanas and a 125-foot slide. It also features more than 100,000 square feet of event spaces and the 48,000-square-foot Trump Spa.

Find Out: The Net Worth of Former Trump Administration Staffers 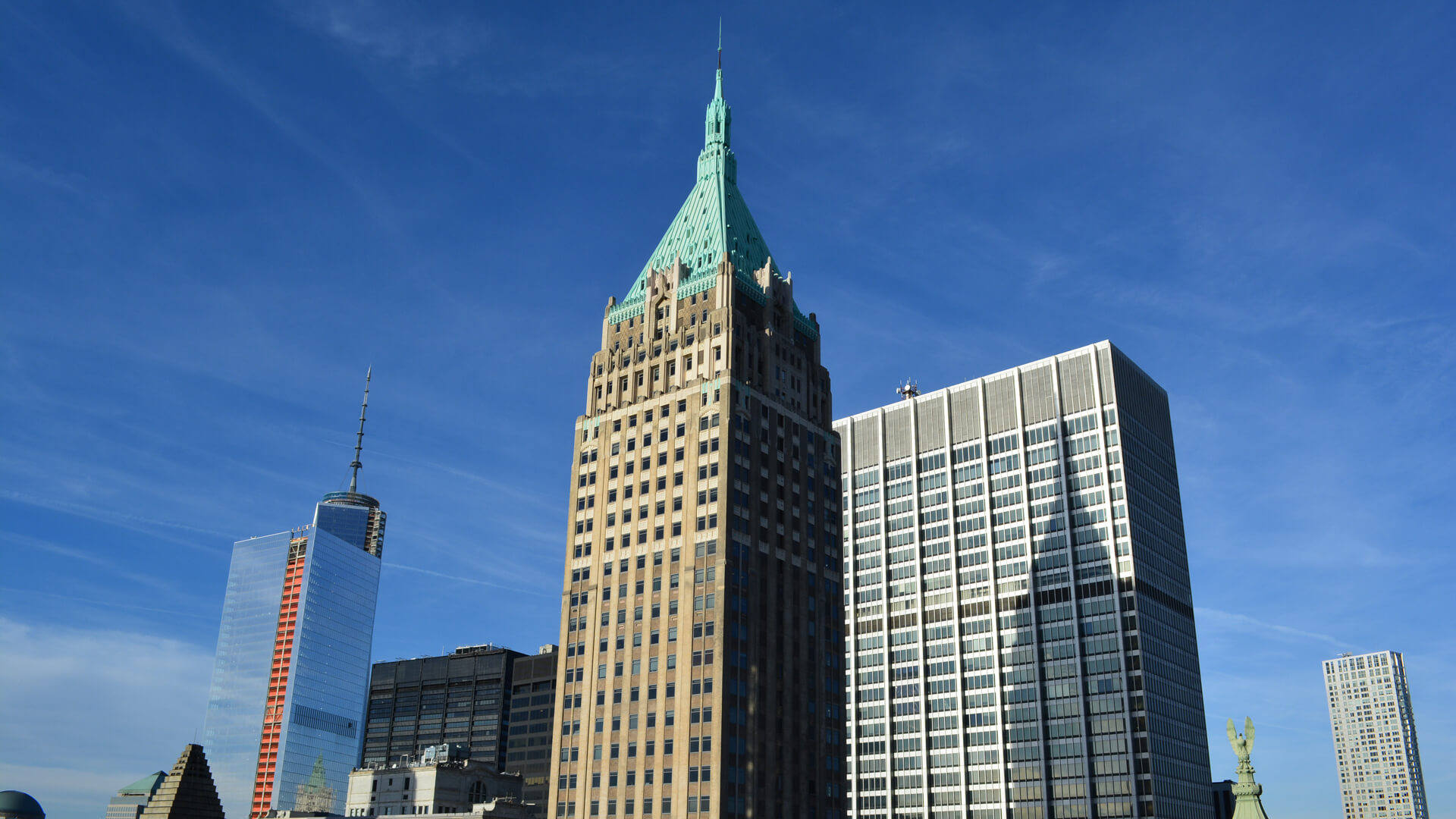 The iconic tower at 40 Wall Street is filled with modern office space and represents one of the most valuable holdings in the Trump real estate portfolio. The tower was purchased by Trump in 1995 and was once owned by Filipino dictator Ferdinand Marcos. 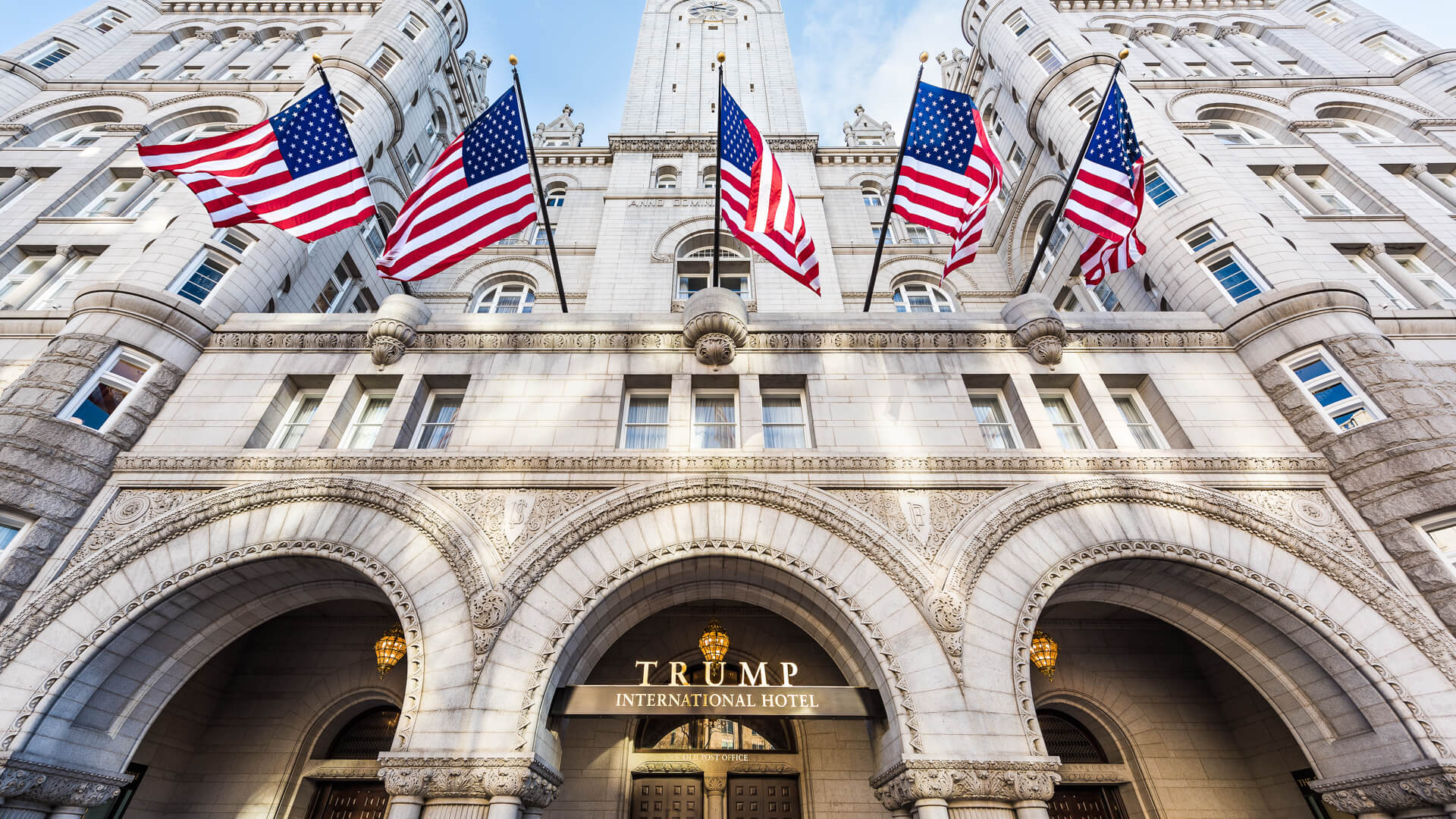 The building, initially commissioned by Congress in 1880 and completed in 1889, includes 38,000 square feet of event space, 13,200 square feet of which is the Presidential Ballroom. Trump’s stake is worth just $53 million after accounting for the total debt and the share owned by children Donald Jr., Ivanka and Eric. 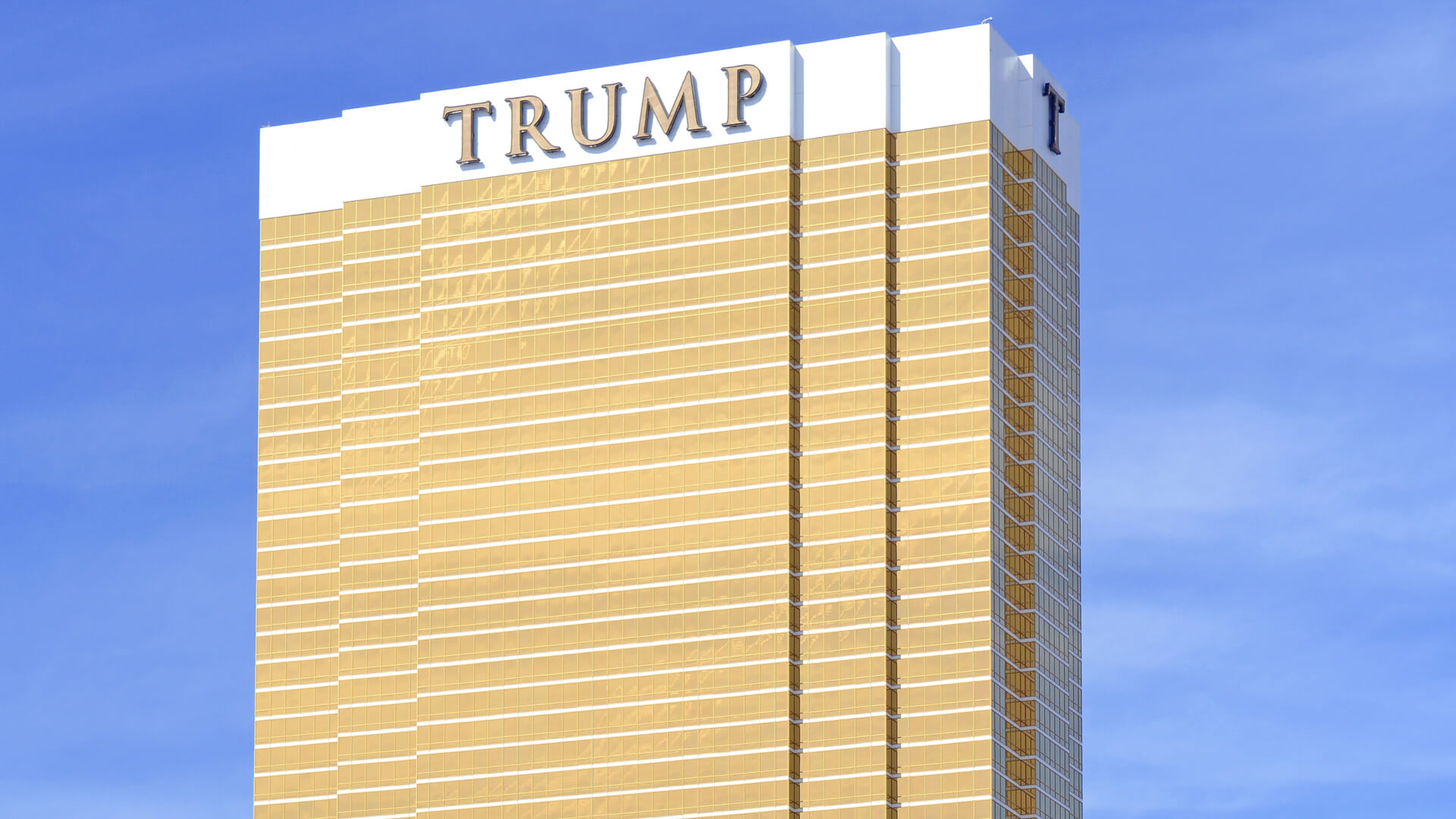 The towering golden building is actually only half-owned by Trump, with the other half going to fellow multibillionaire Phil Ruffin. The 64-story building includes 1,232 hotel condominium suites and 50 penthouse suites. 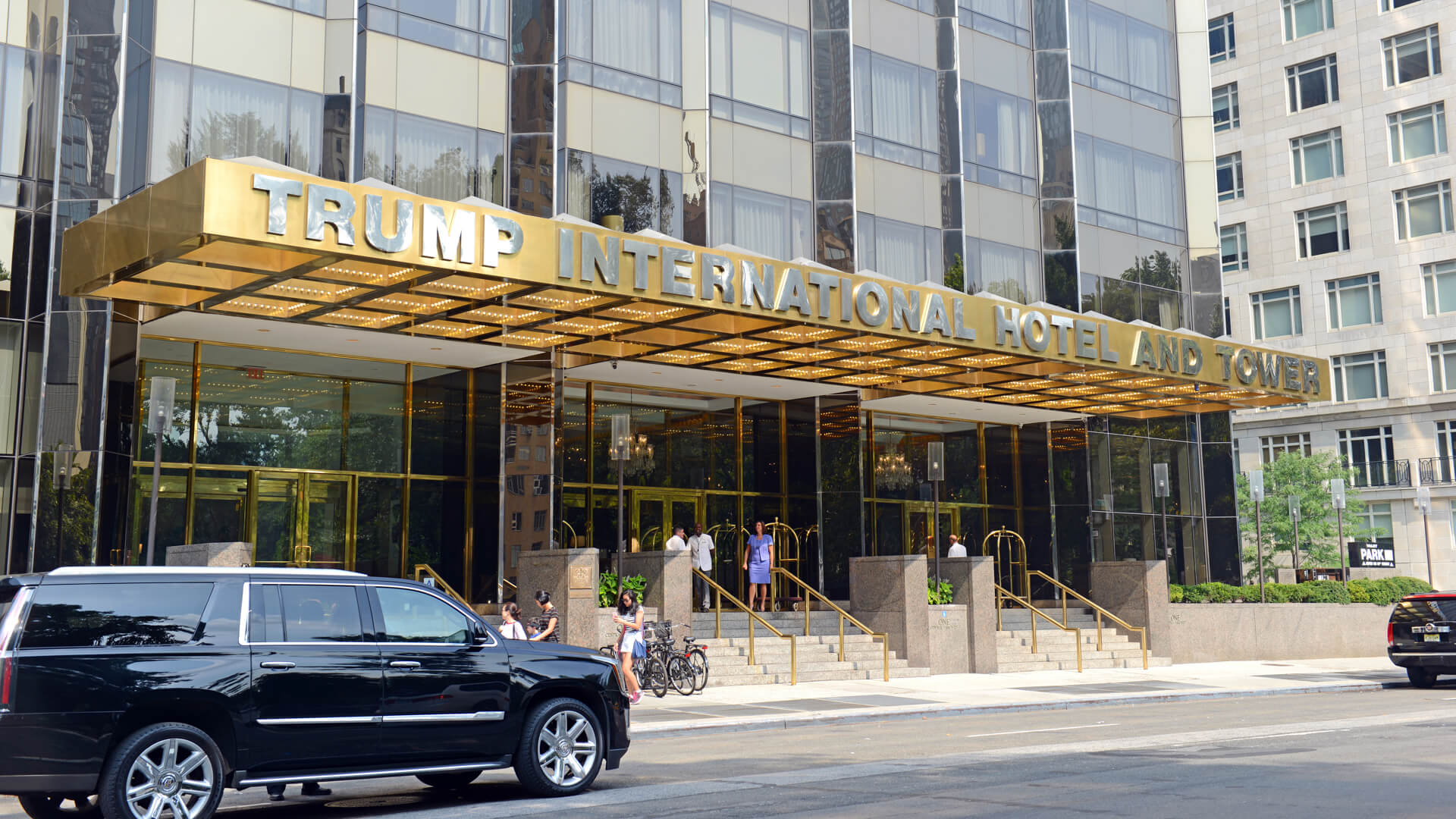 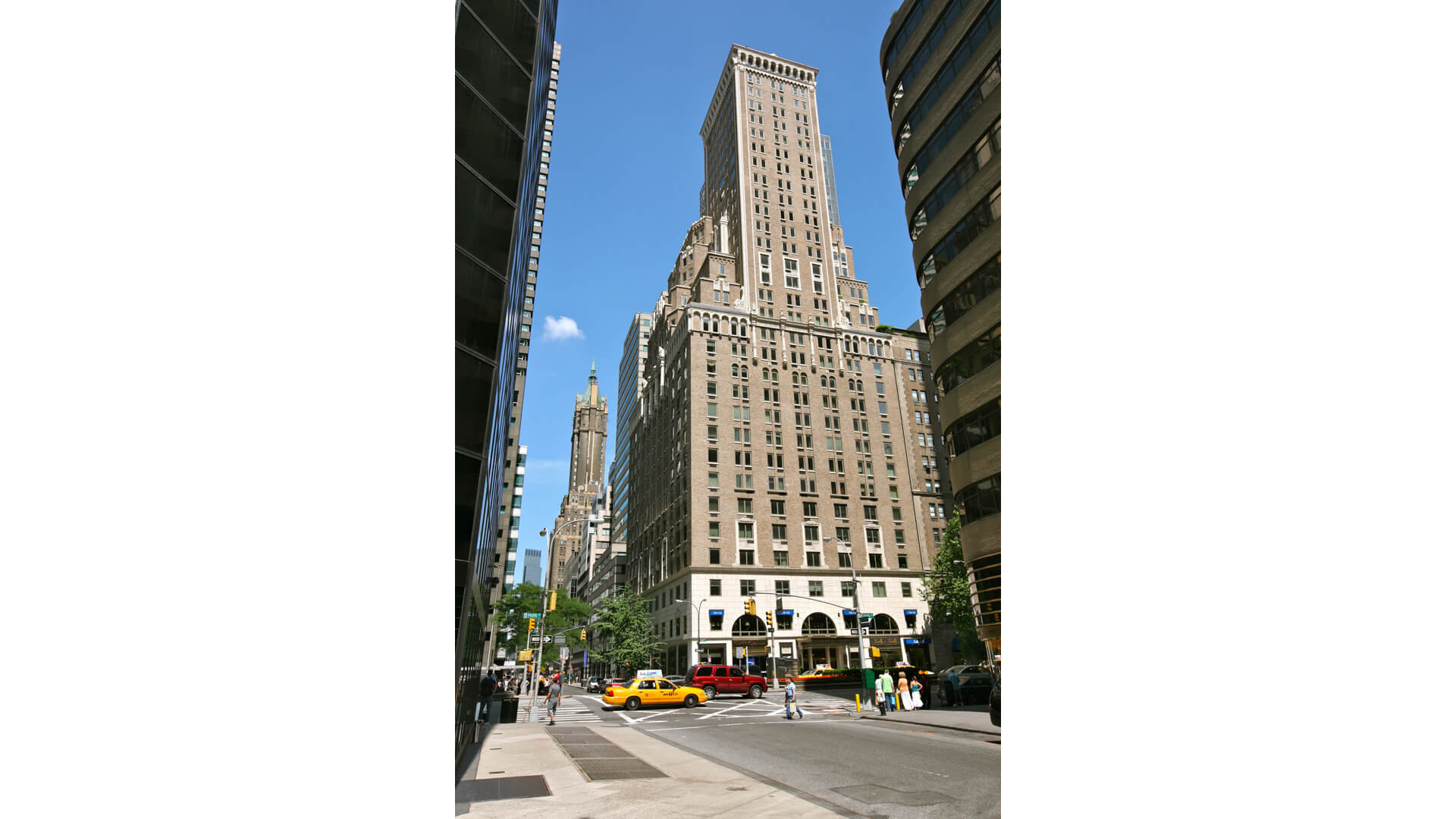 The 32-story residential building features 142 apartments — 17 of which are directly owned by President Trump. One penthouse apartment that Trump sold just a month after his inauguration went for almost $16 million. 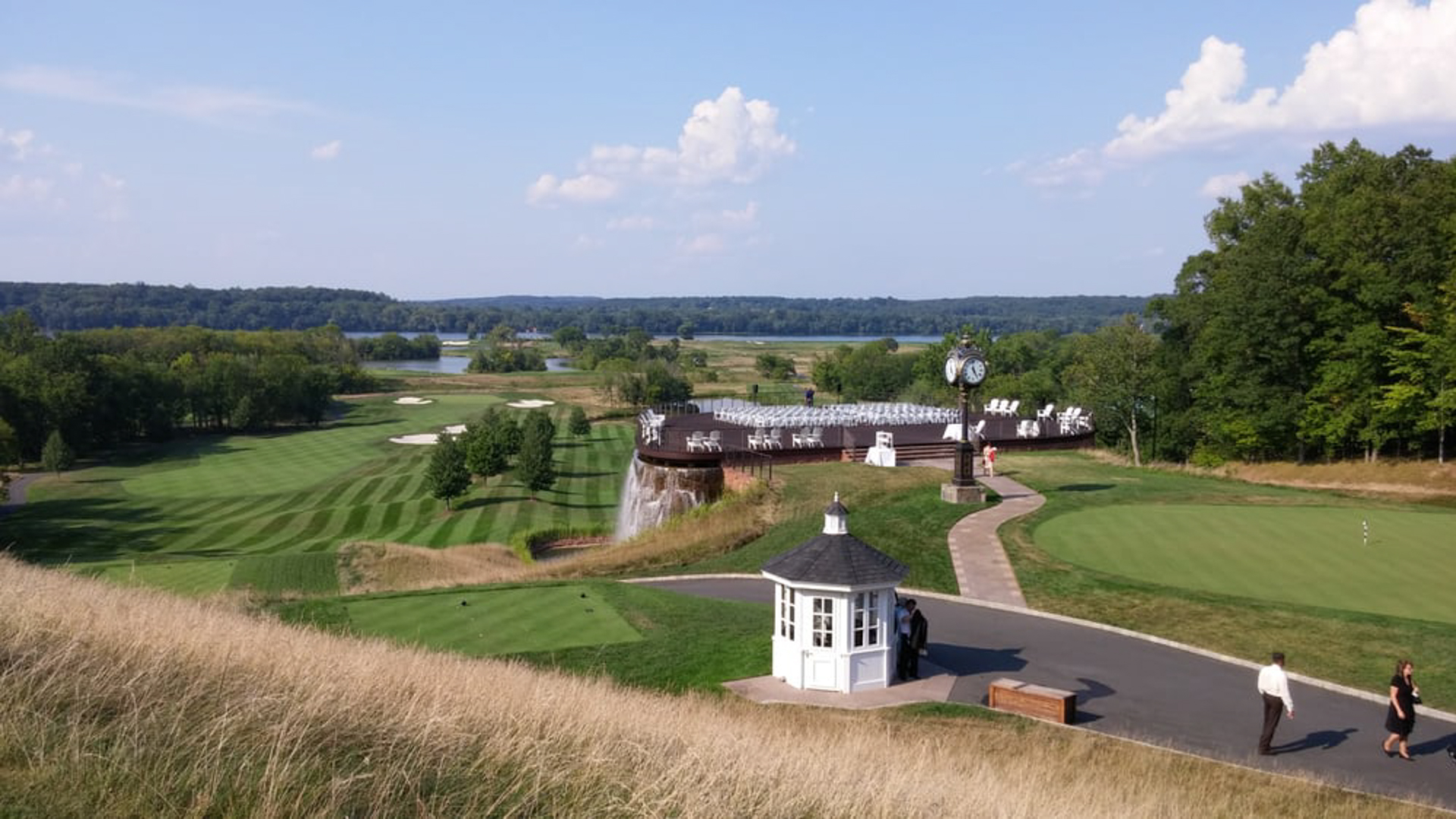 President Trump has had a habit of overstating the value of his multiple golf clubs publicly while fighting to reduce property values when it comes time to pay taxes on them. In the case of the Washington, D.C. golf course, he valued it at more than $50 million in his financial disclosures, but the county assessed the property’s value at less than half that in 2015. 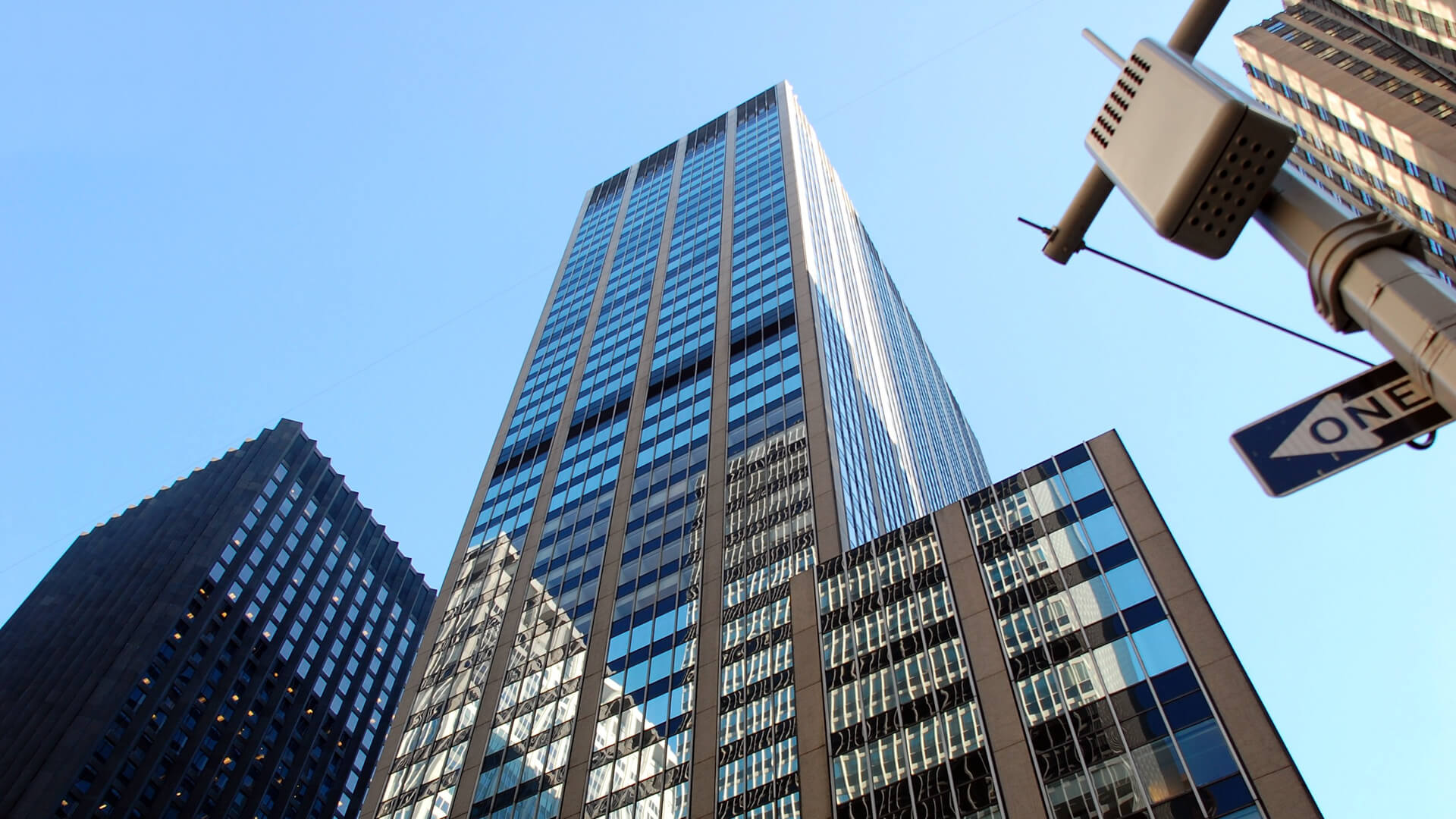 1290 Avenue of the Americas

President Trump owns a 30 percent stake in the 43 floors of office space at 1290 Avenue of the Americas — a building that was first erected in 1964. The property is managed by Steven Roth, CEO of Vornado Realty Trust, who has helped boost the property’s value by $44 million since 2017.

Wow: 15 Spending Habits of President Trump That Will Surprise You 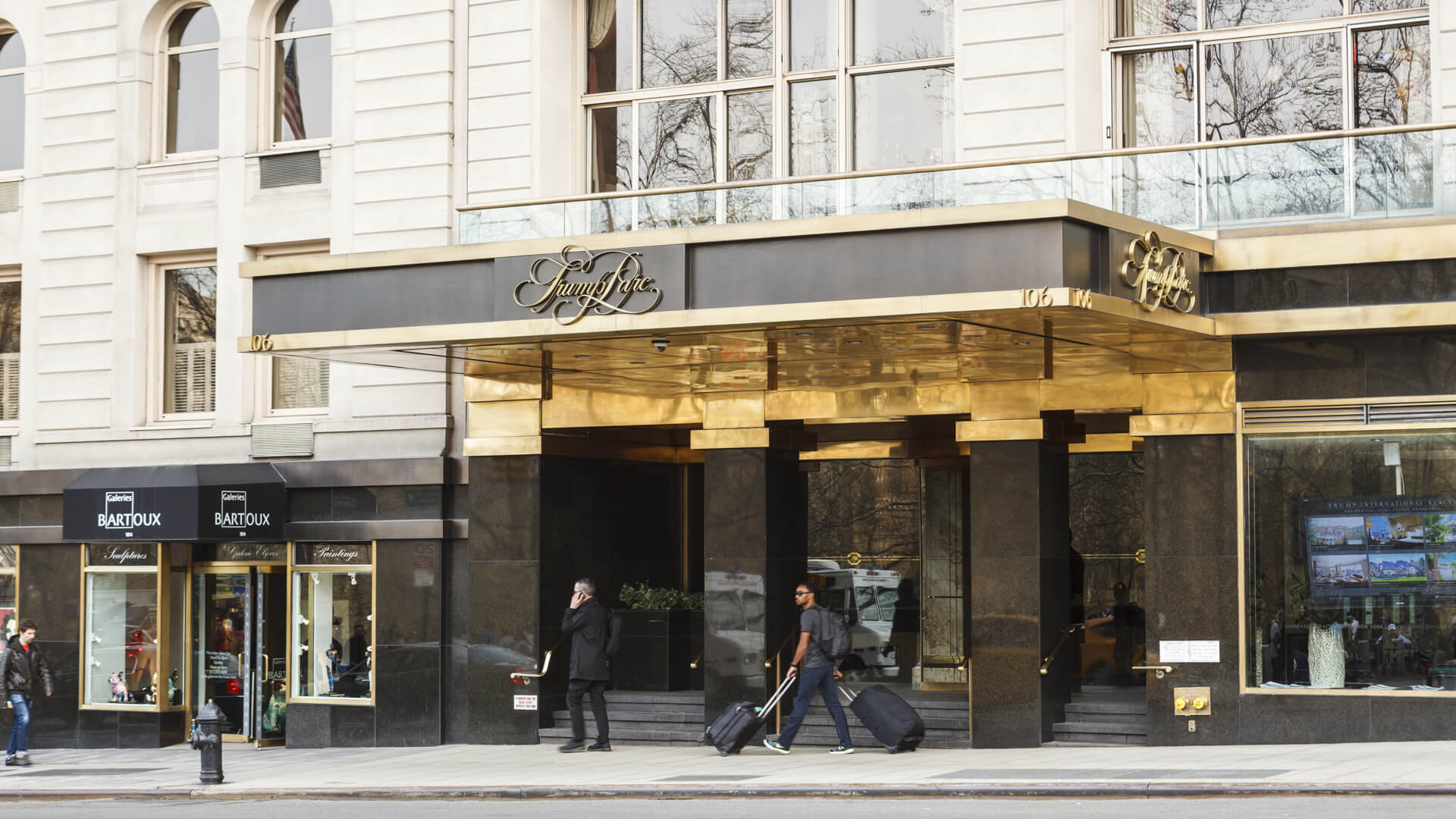 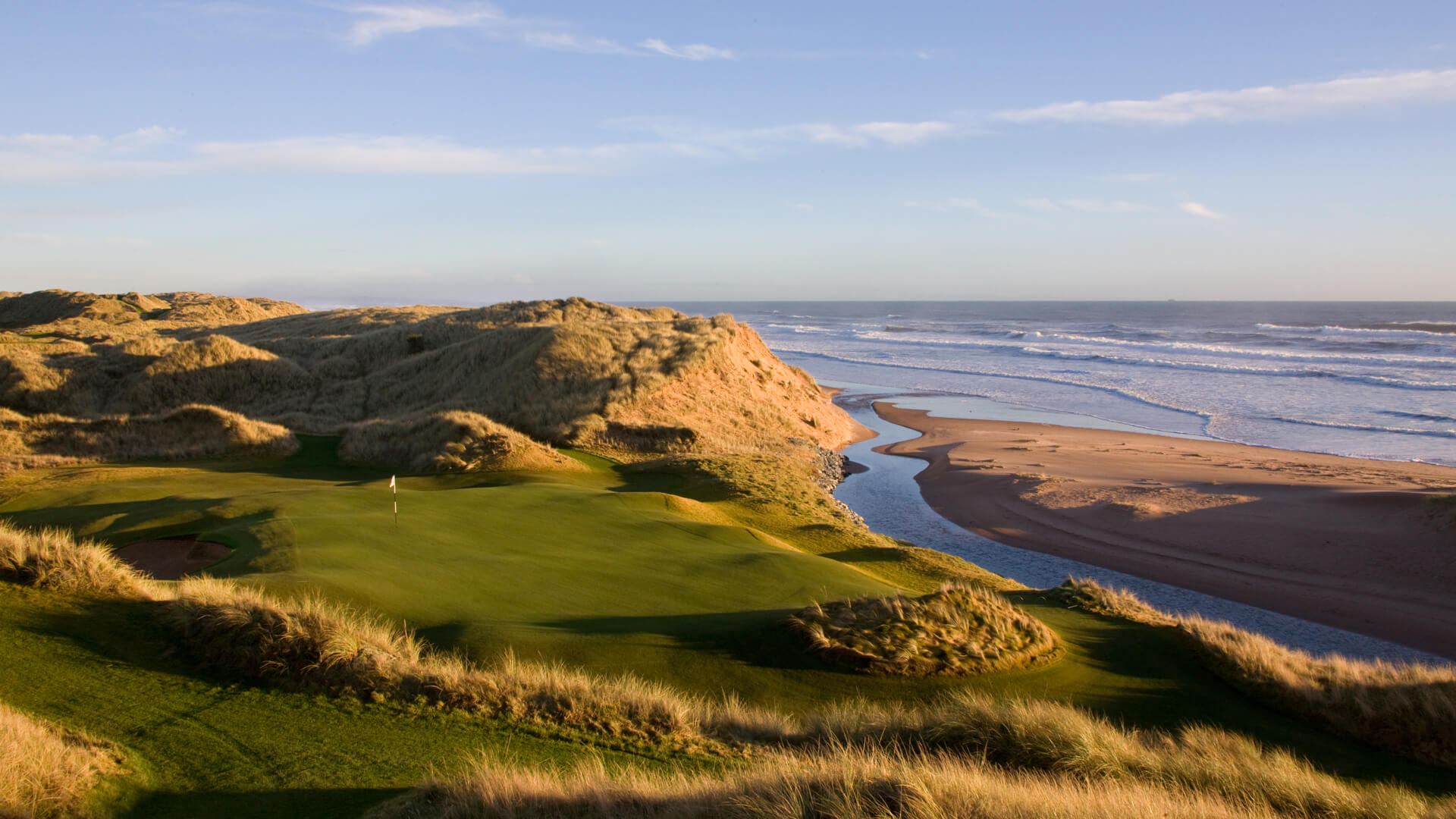 Keep reading about the President’s most expensive locations across the globe.