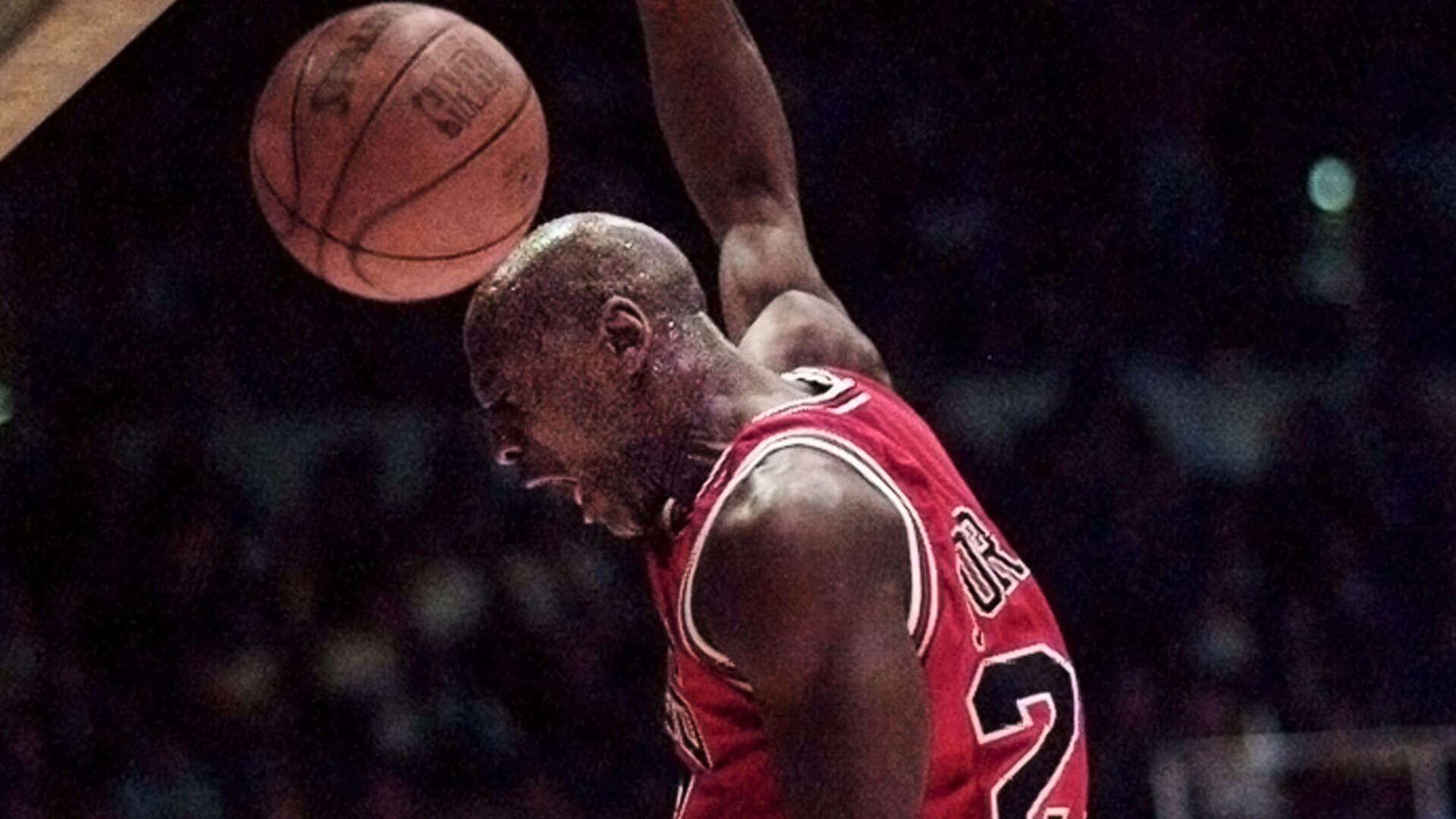 The 10-part documentary “The Last Dance” is giving the world an intimate and unprecedented look into the greatest dynasty in basketball history: the 1990s Chicago Bulls led by Michael Jordan. The Bulls won three back-to-back championships not once, but twice, first in 1991-93, then in 1996-98. The team averaged 64.7 wins per season, the highest winning percentage among all dynasties. Using the HoopsHype salary database from USAToday Sports, GOBankingRates found the total salaries of some of the key players involved in all six Bulls championships, excluding a handful of players whose salary information wasn’t available. GOBankingRates then ranked those players from lowest to highest. Can you guess who were some of the highest-paid players? 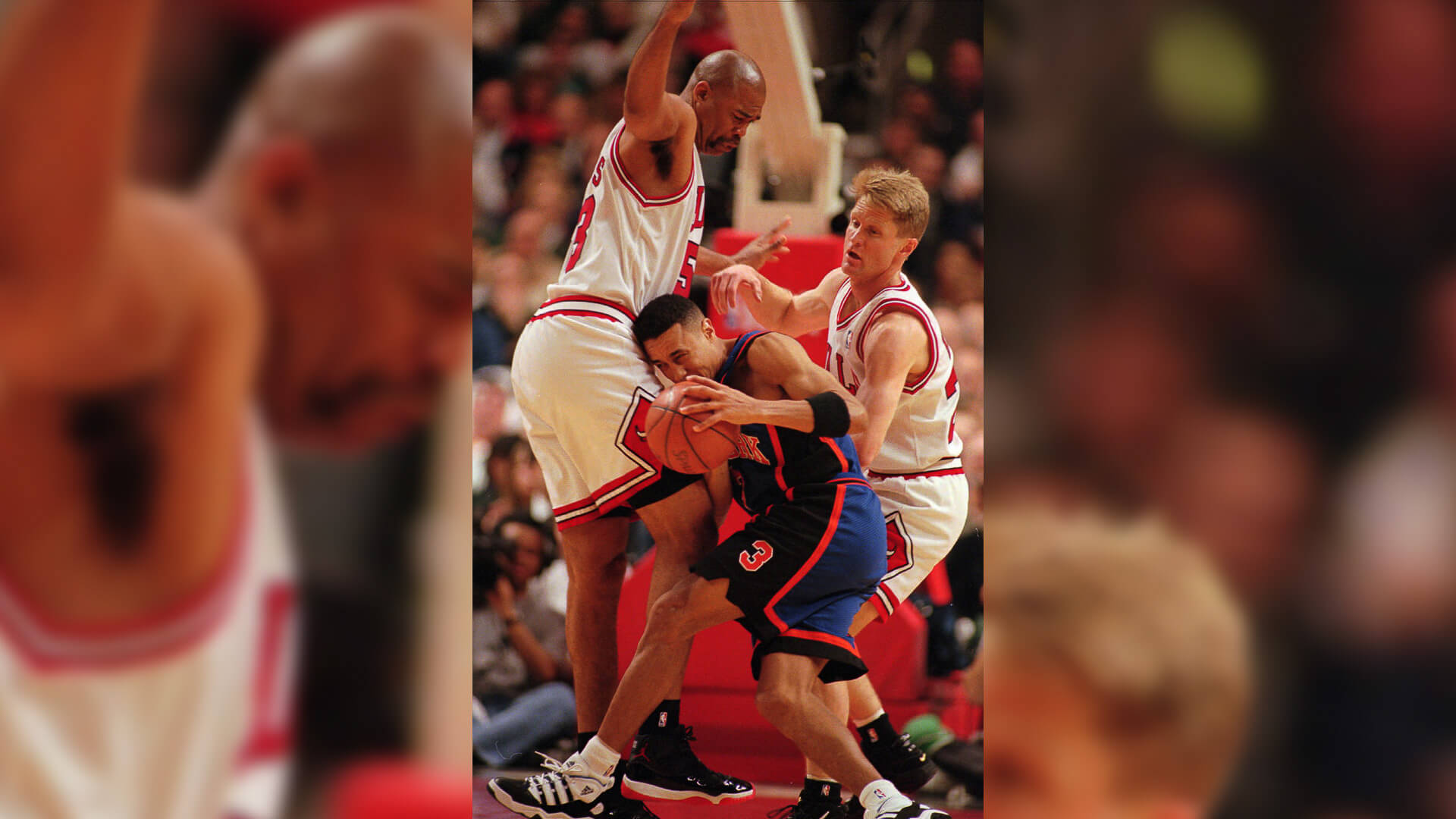 Seven-foot center James Edwards — known for his reliability and super-awesome Fu Manchu mustache — was an NBA fixture for nearly two decades from 1977-1996. He played for eight different teams, closing out his career with a single championship season with the Bulls in 1995-96. He also won back-to-back titles with the Pistons in 1988-89 and 1989-90 for three championships in total. 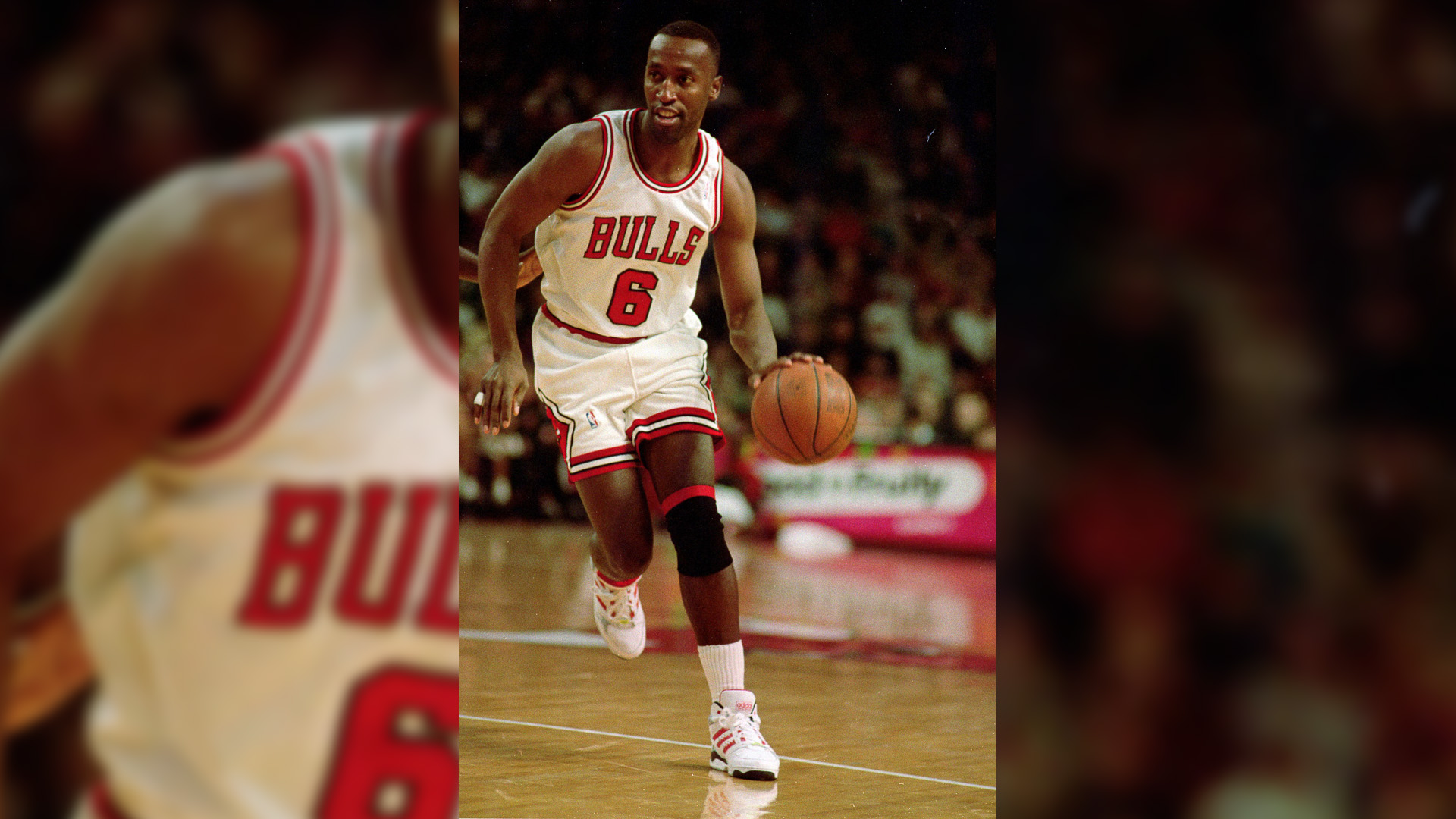 Drafted in 1982, shooting guard Trent Tucker spent most of his 11-year NBA career with the Knicks. He was traded to San Antonio in 1991, where he played in just 24 games and started in none. The following season, he was traded to the Bulls, where he finished his career with his only NBA championship. 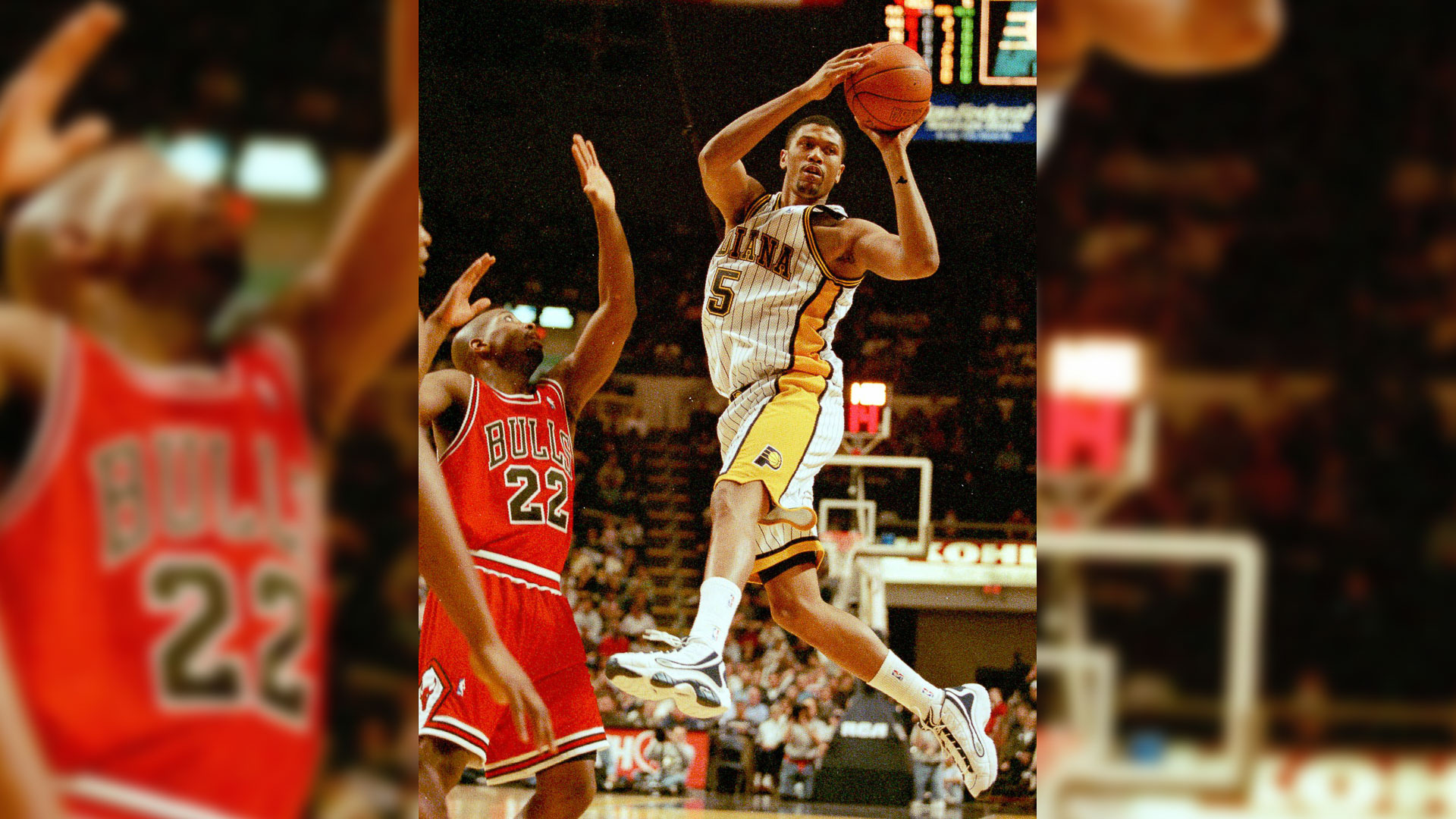 Although the Bulls chose him with their first pick in that year’s draft, small forward Keith Booth played just two seasons in the NBA, both with the Bulls, from 1997-99. He played only 45 games in total, starting in four, and then went on to coach both men’s and women’s college basketball. 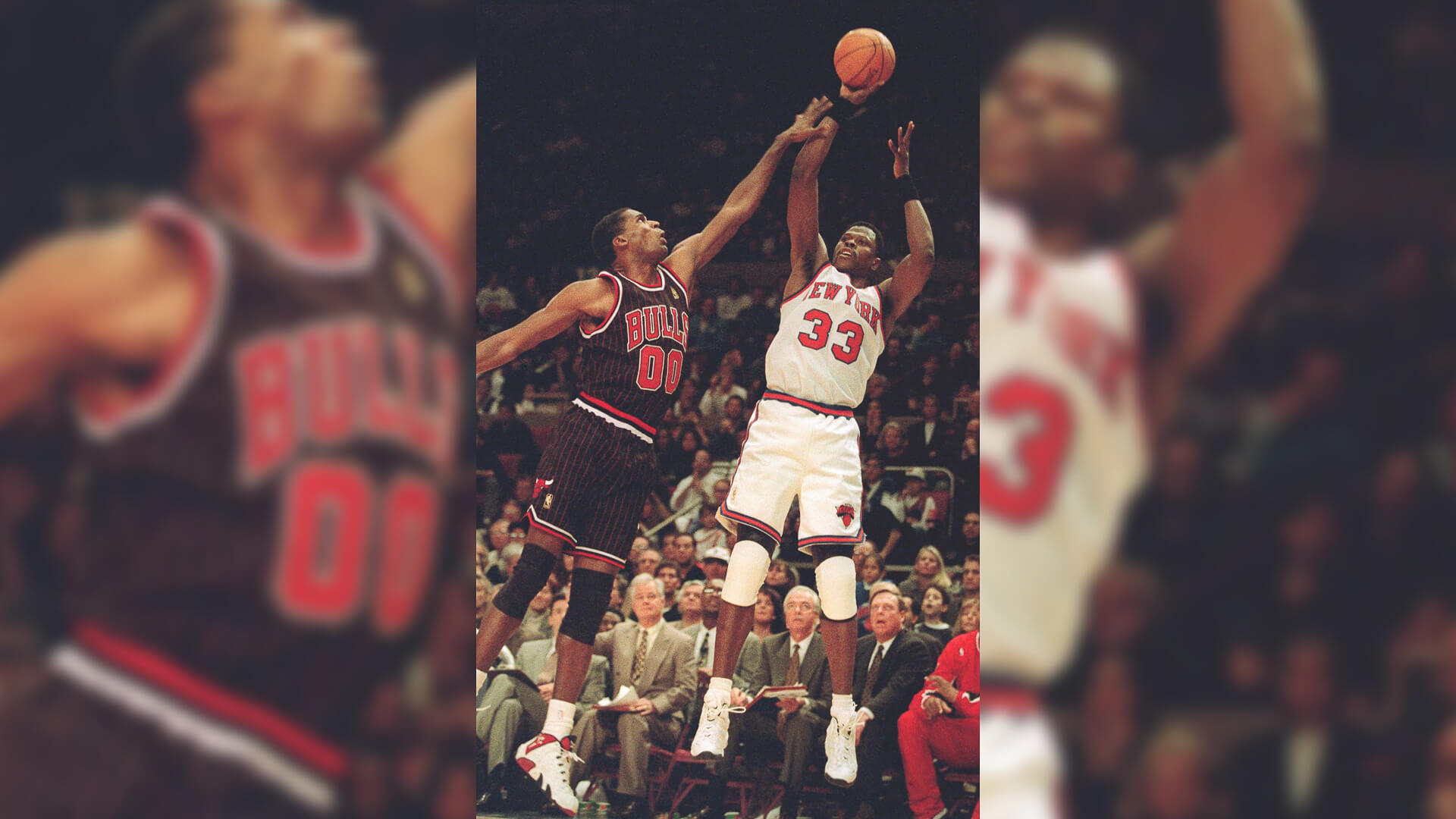 Hall of Fame center Robert Parish played 21 seasons in the NBA, starting in 1976, enough to put him in a tie for the No. 2 spot for most seasons of any player in history. The nine-time All-Star’s championship with Jordan was only one of four championships Parish won. The other three were with Boston — Parish was also a key figure in the legendary Celtics dynasty era. 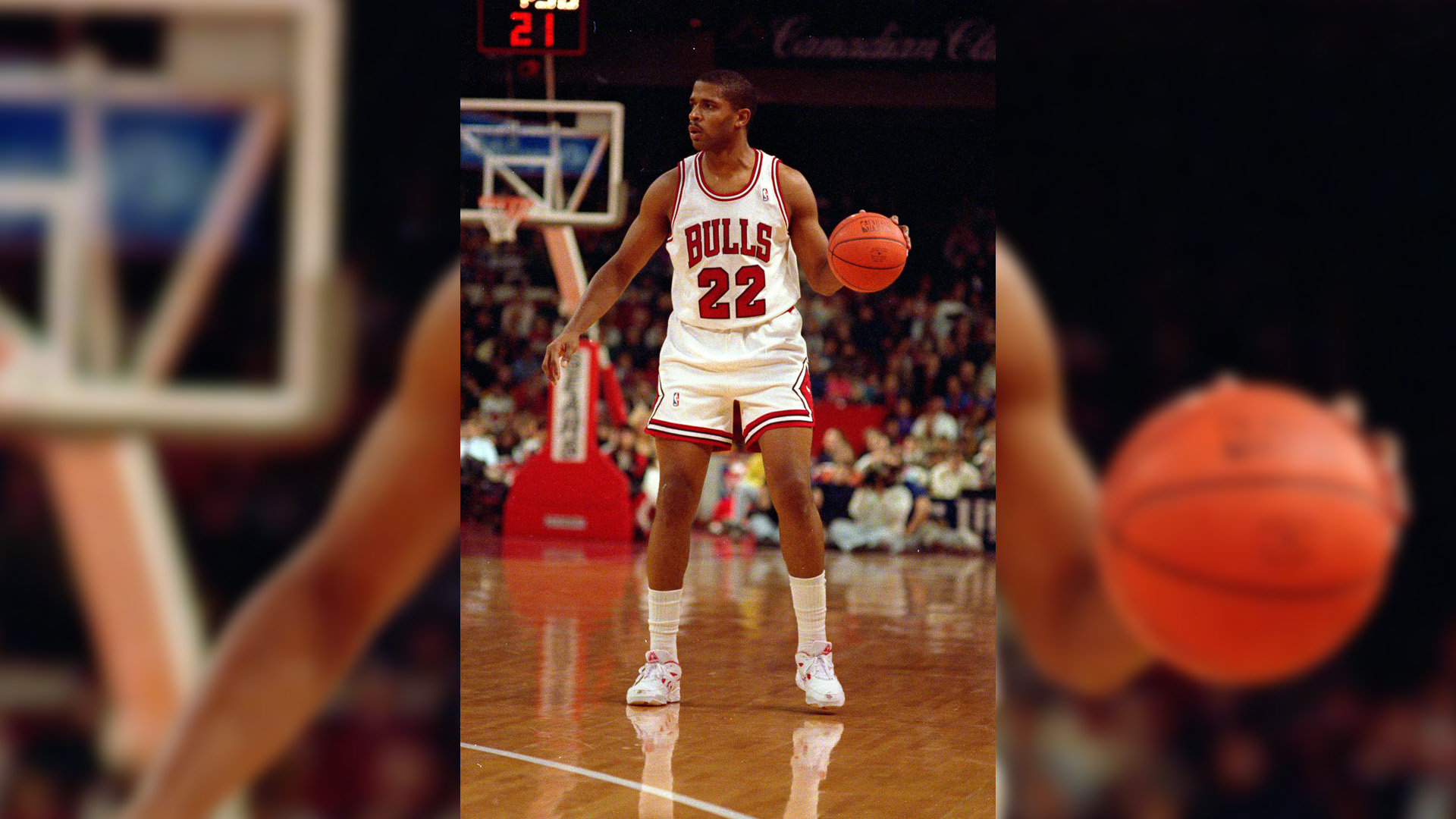 Small forward Rodney McCray spent a decade in the NBA, mostly with Houston, then Sacramento, then Dallas, and finally, he finished his career with one season in 1992-93 with Chicago, where he won his only championship. He finished with 9,014 points for an average of 11.7 per game. 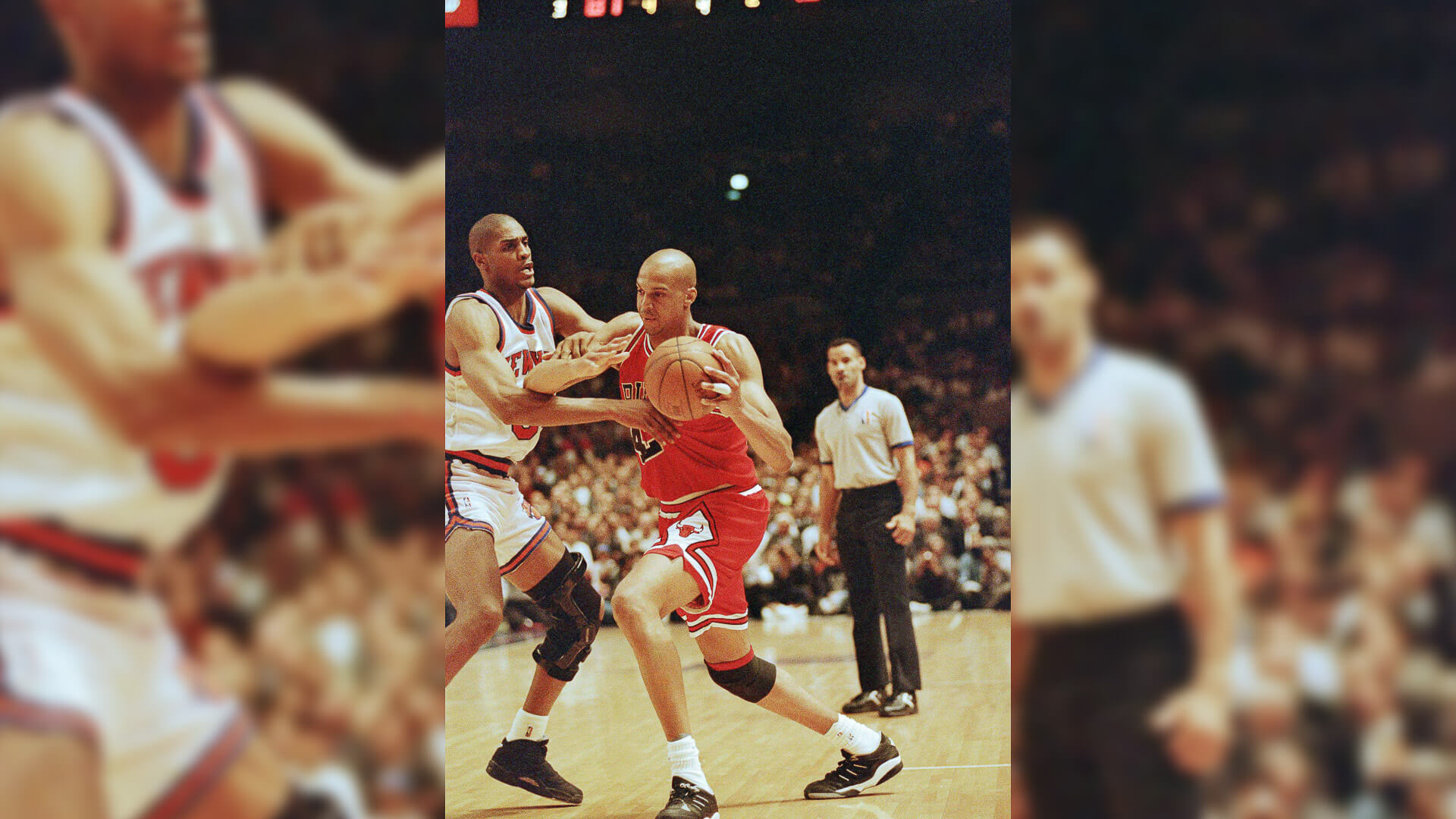 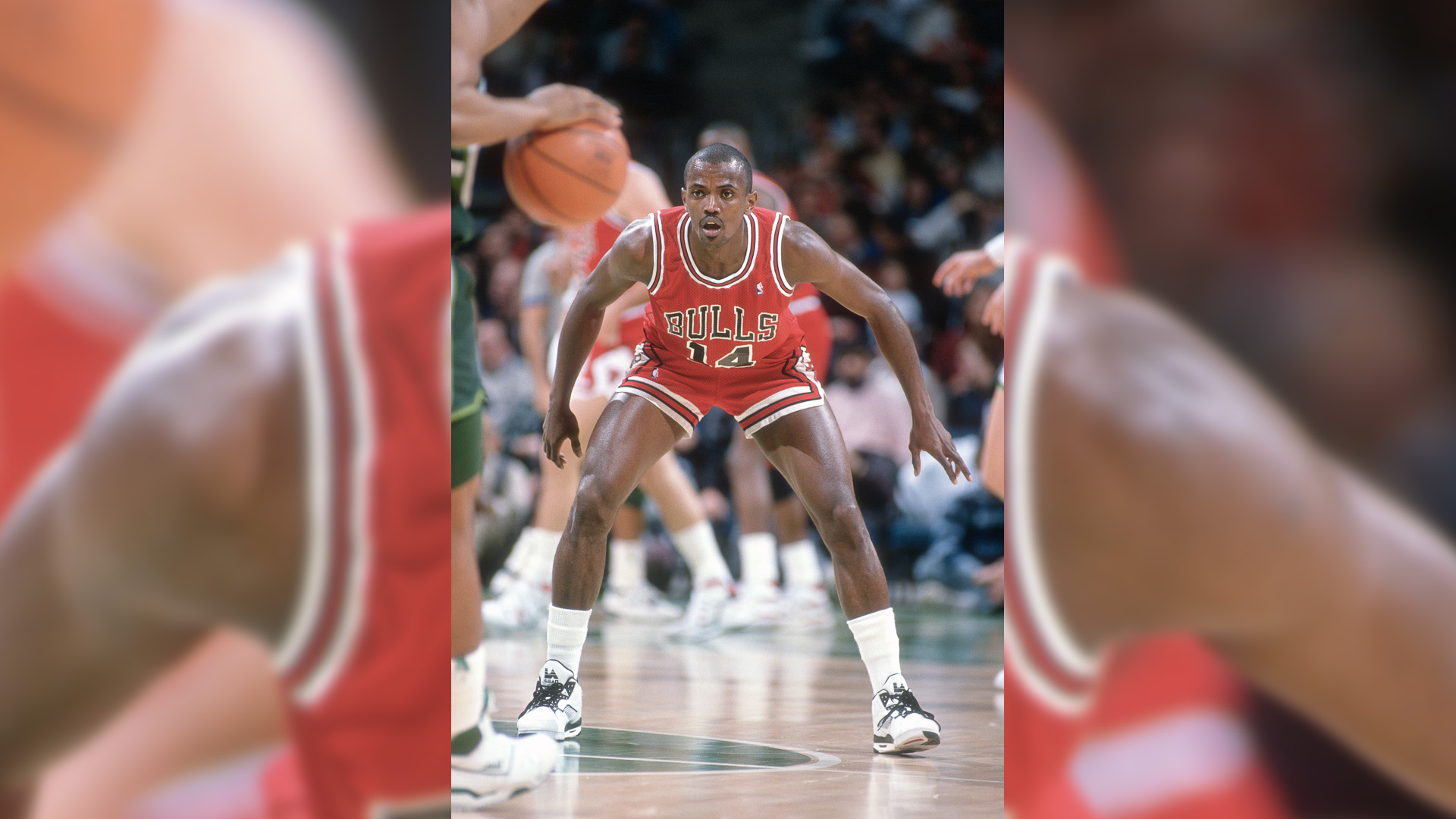 Three-point wizard Craig Hodges earned both of his championship titles alongside Jordan, finishing his career with four seasons with the Bulls. His career began in 1982 with the San Diego Clippers but he bounced around the league before landing in Chicago. He stands alone only with Larry Bird in winning three consecutive All-Star Weekend Three-Point Contests. 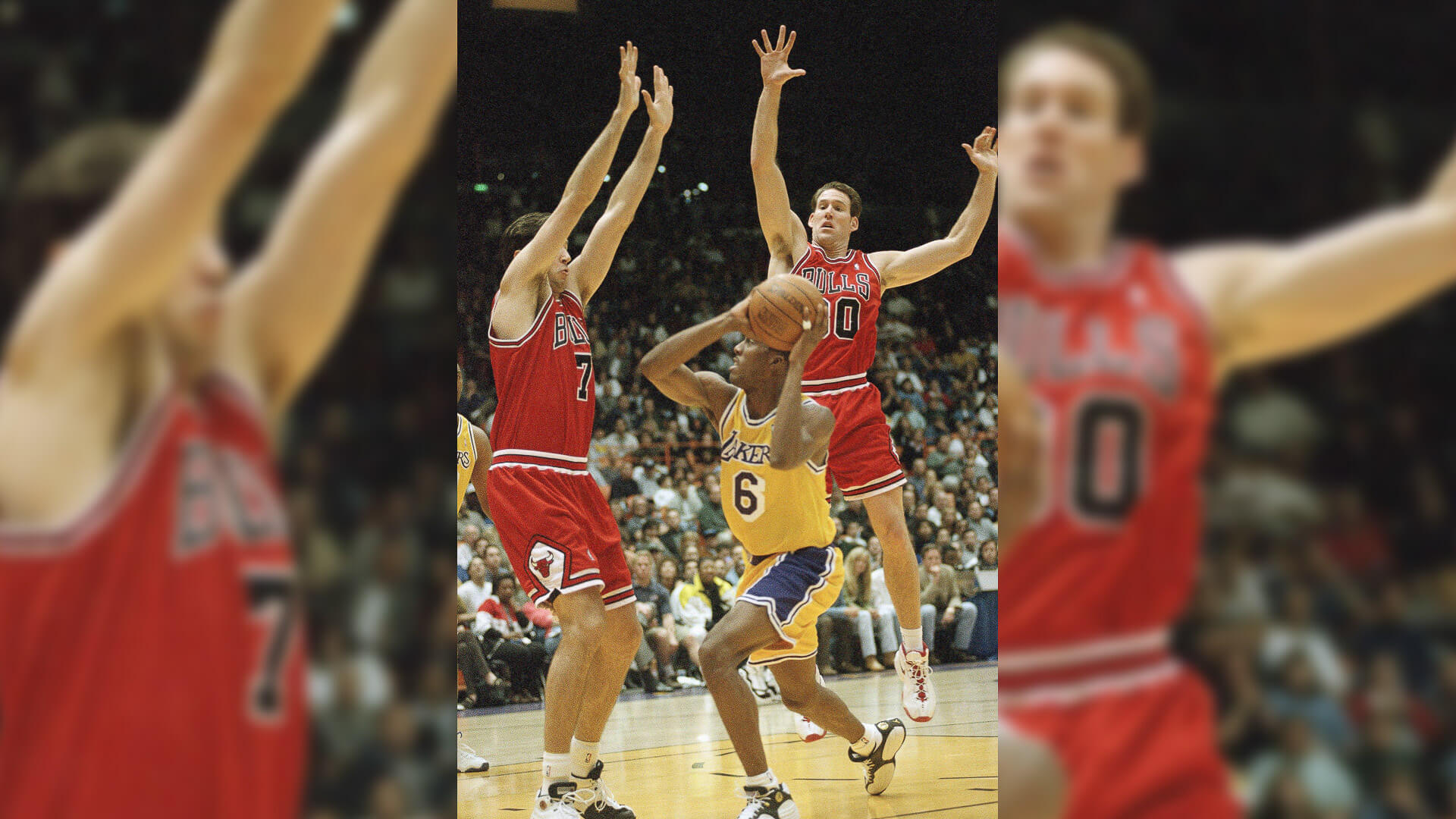 Before he was an assistant coach for the New York Knicks, Jud Buechler was a small forward for the Bulls and a member of Chicago’s second Jordan-led three-peat dynasty run. Entering the league as a rookie in 1990, his career spanned the decade, ran through 2002 and included runs with seven different teams. 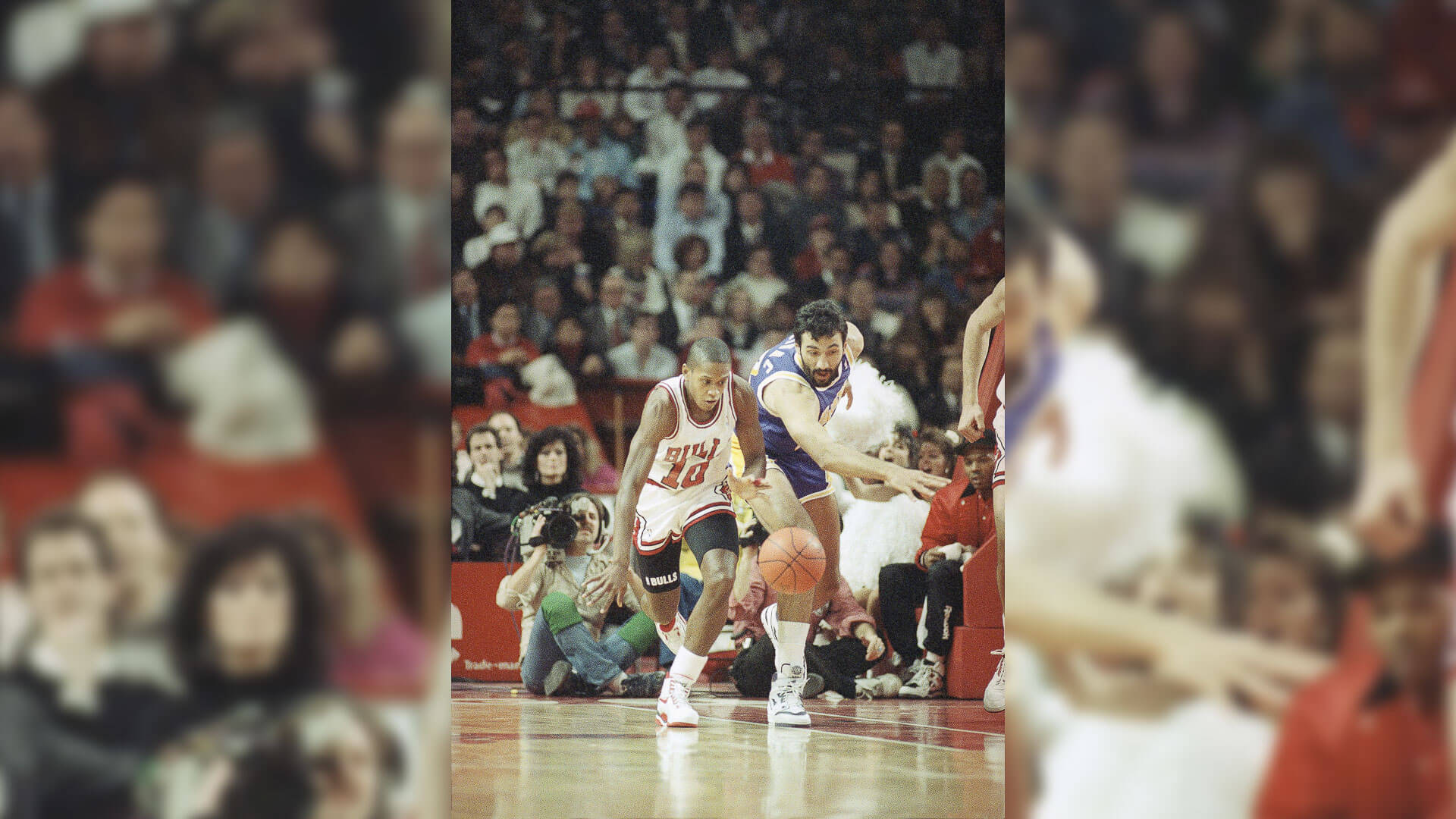 The first six years of B.J. Armstong’s 11-year NBA career were spent in Chicago, just long enough to earn him three-peat glory alongside Michael Jordan. After his career, during which he averaged 9.8 points per game, the point guard went on to work for a few years in the Bulls front office.

See Their Earnings: How Much Athletes Make for Playoff Runs in the NBA, NFL and Other Sports 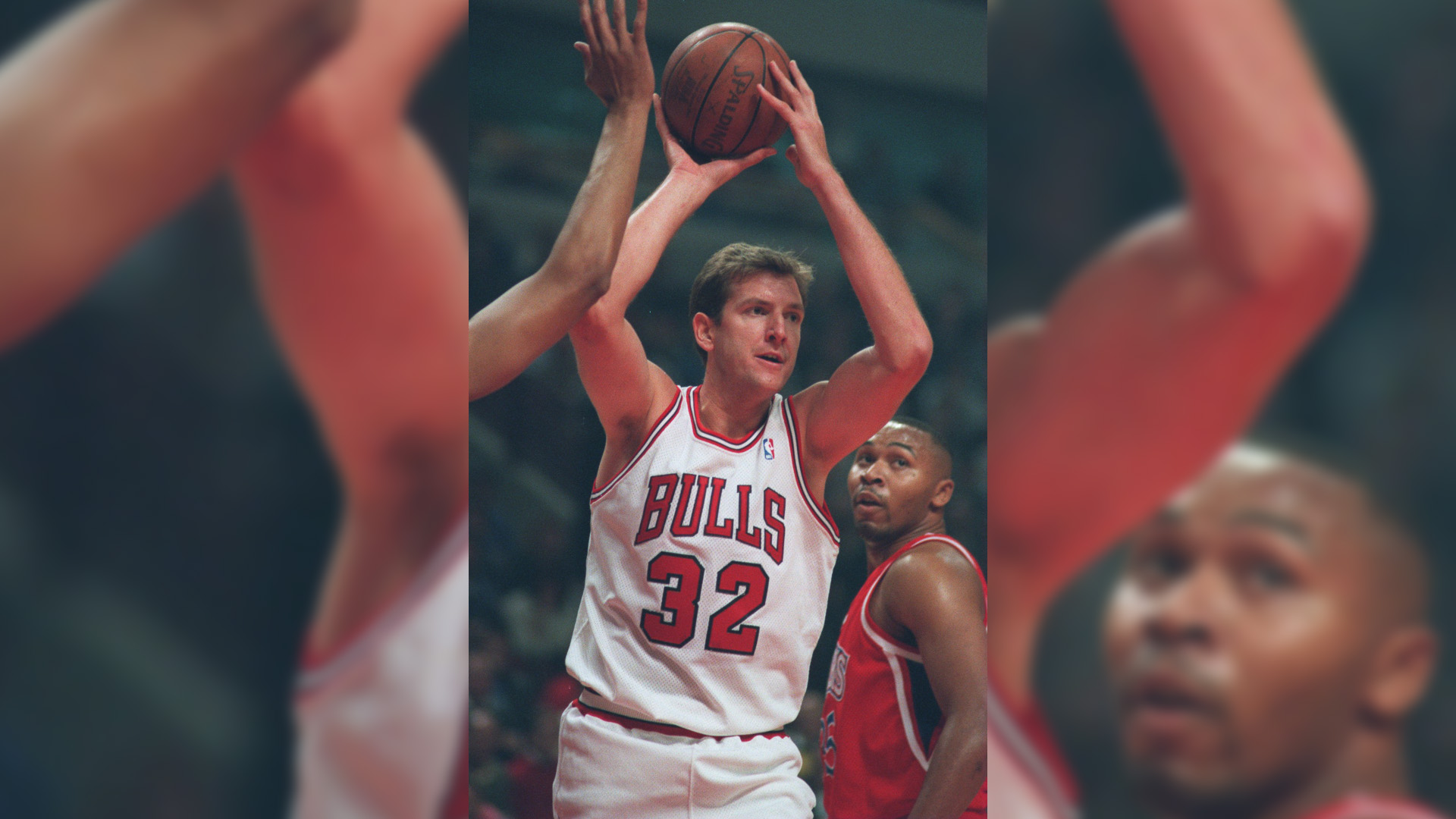 Seven-foot center Will Perdue entered the league in 1989 and retired in 2001. Not only was he part of the first back-to-back-to-back championship dynasty Bulls, but he spent much of the second half of his career in San Antonio, where he won his fourth NBA championship. He was later traded back to Chicago then to Portland, where he spent his final two seasons. 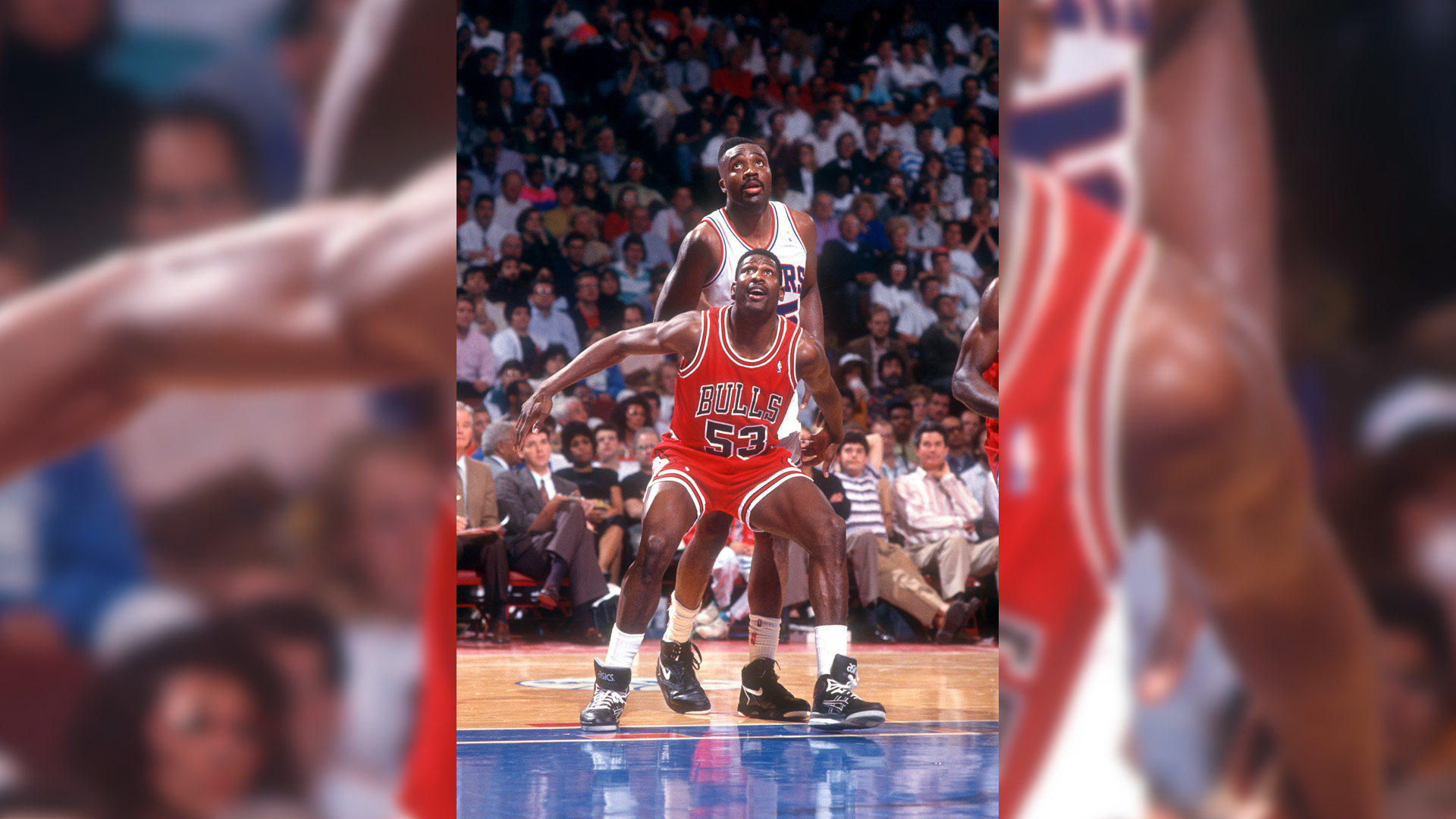 Power forward Cliff Levingston played only two seasons in Chicago — 1990-92 — both of which happened to be championship seasons. He played in Detroit and Atlanta before that and after his run with the Bulls, he played in Greece, then Italy the following year before returning to the NBA to finish his career with one season in Denver in 1994-95. 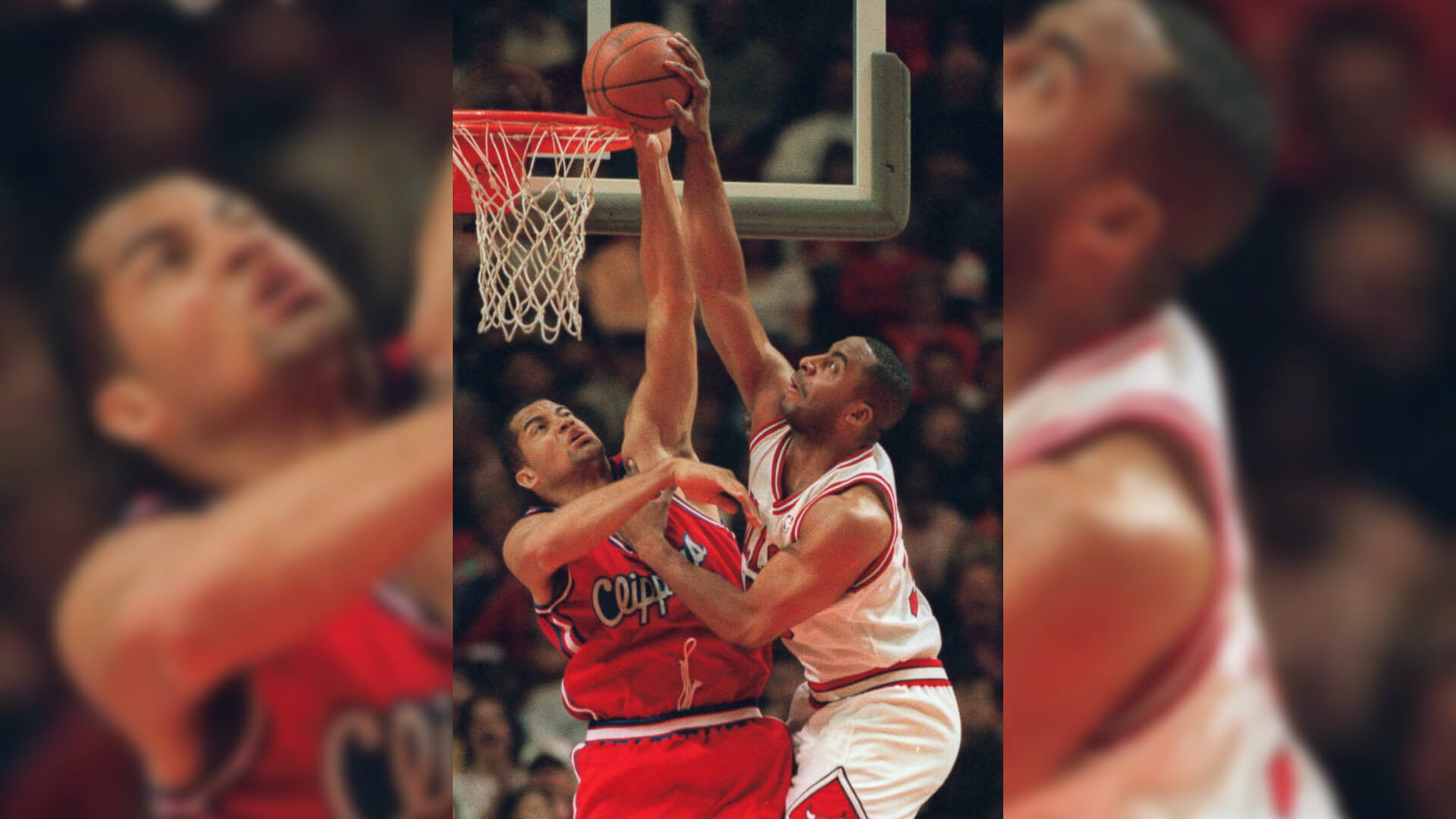 Jason Caffey spent his first two years in the NBA with the Bulls from 1995-97, long enough to earn two championship rings alongside Jordan. He then moved on to Toronto for the 1997-98 season, but before the season ended, he moved back to Chicago. Had he remained, he would have won a third championship, but he was again traded that same season, this time to Golden State. 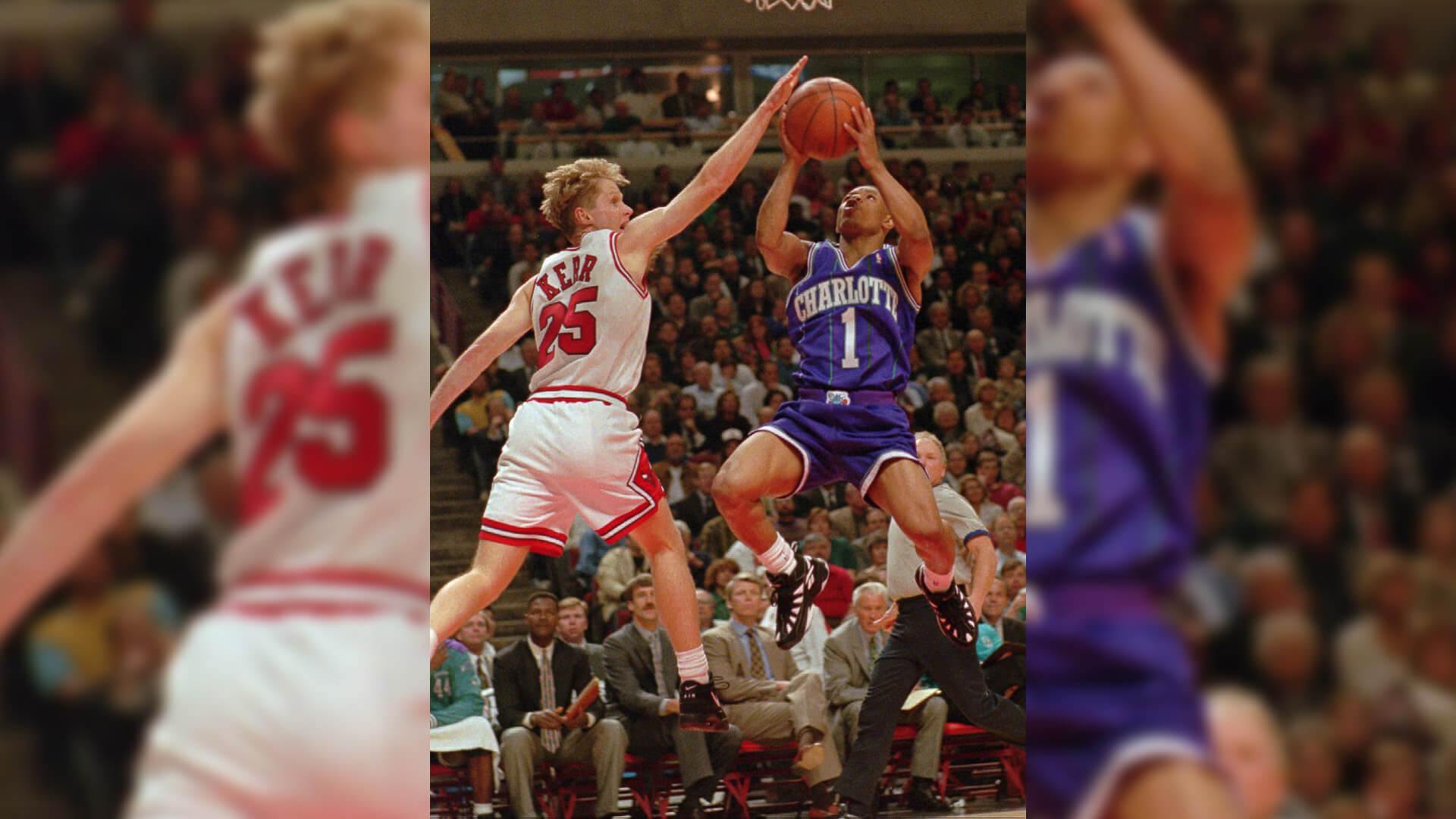 One of the winningest NBA stars both on and off the court, Golden State head coach Steve Kerr won eight championships in total. Four of them came in consecutive years from 1996-99 — a three-peat with the Bulls — then another the following year with the Spurs. His fifth title came in 2003, again in San Antonio. His final three rings were earned as head coach of the Warriors, where he broke the NBA record for most wins in a rookie coaching season and became the first coach since Pat Riley in 1982 to win a championship during his debut coaching year. 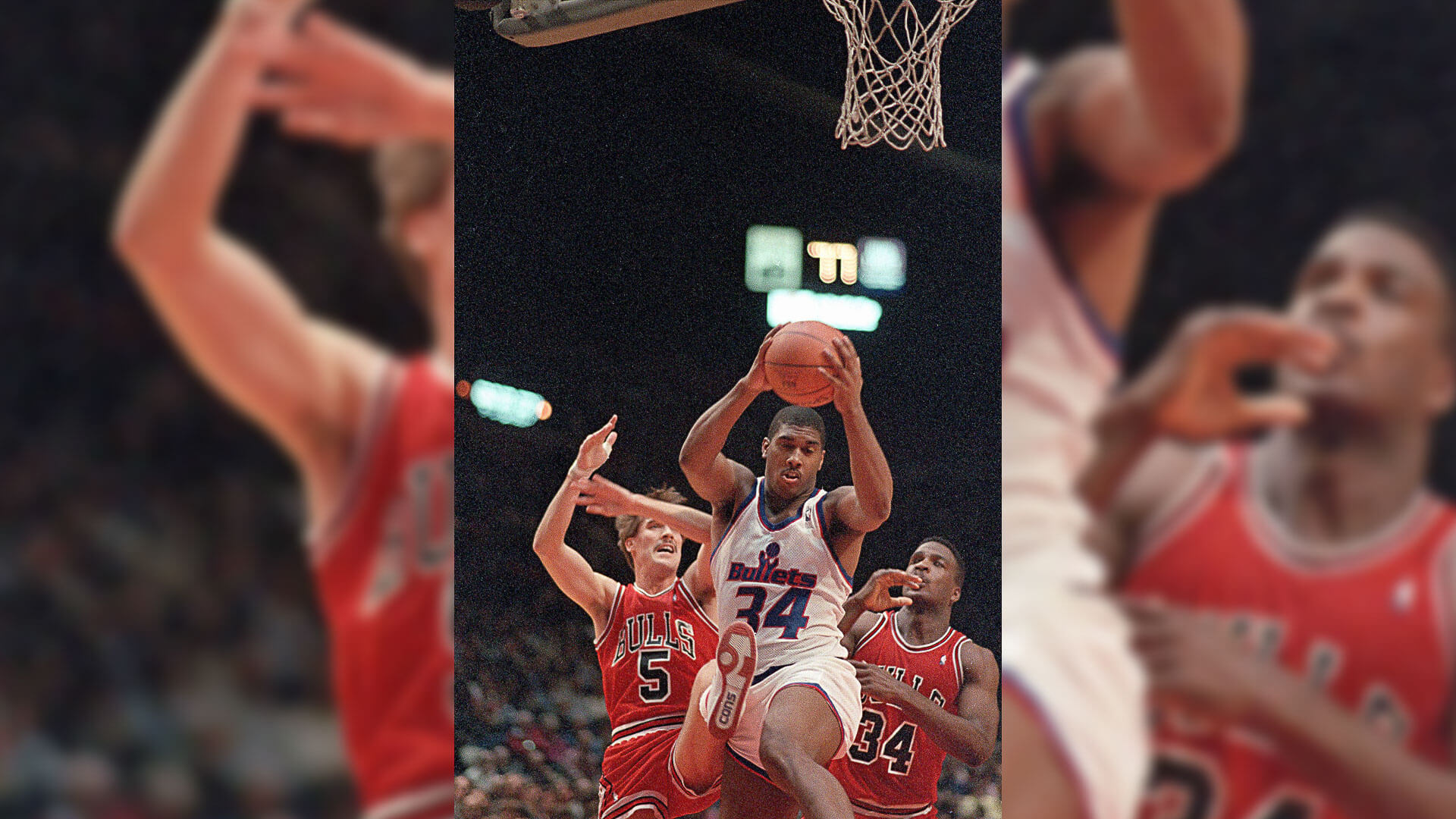 Point guard John Paxson entered the NBA in 1983 with the Spurs, where he spent two years before being traded to the Bulls. He played the rest of his career there and then worked in the Bulls front office — first as general manager, then as vice president of operations. 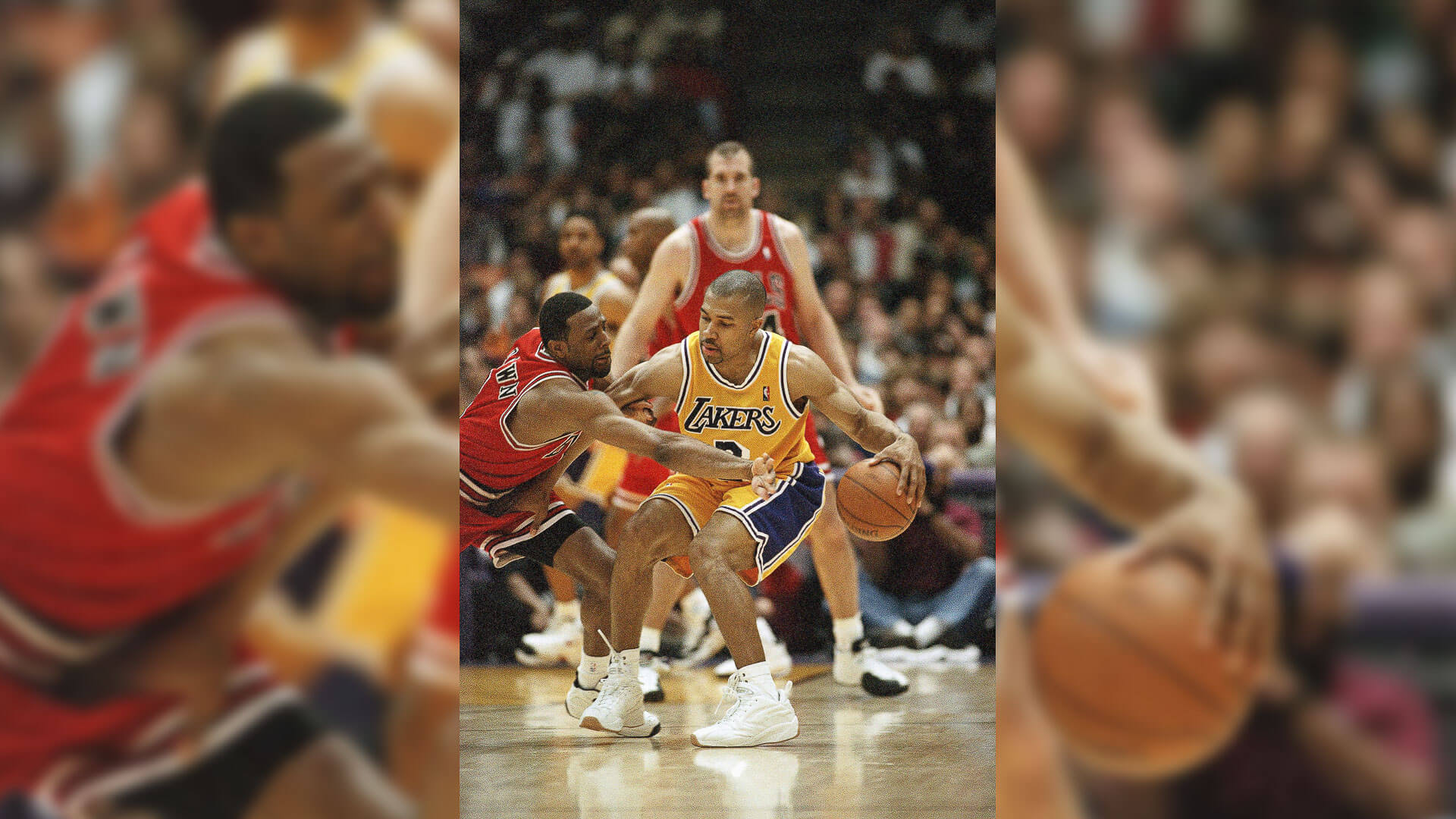 Randy Brown was an off-the-bench force for the Bulls during their second three-peat. When the Jordan/Dennis Rodman/Scottie Pippen nucleus left the team, the point guard was promoted to starter. He was drafted by Sacramento in 1991, where he played for his first four seasons. He spent five years in Chicago before leaving for Boston, then Phoenix, where he finished his career after the 2002-03 season. 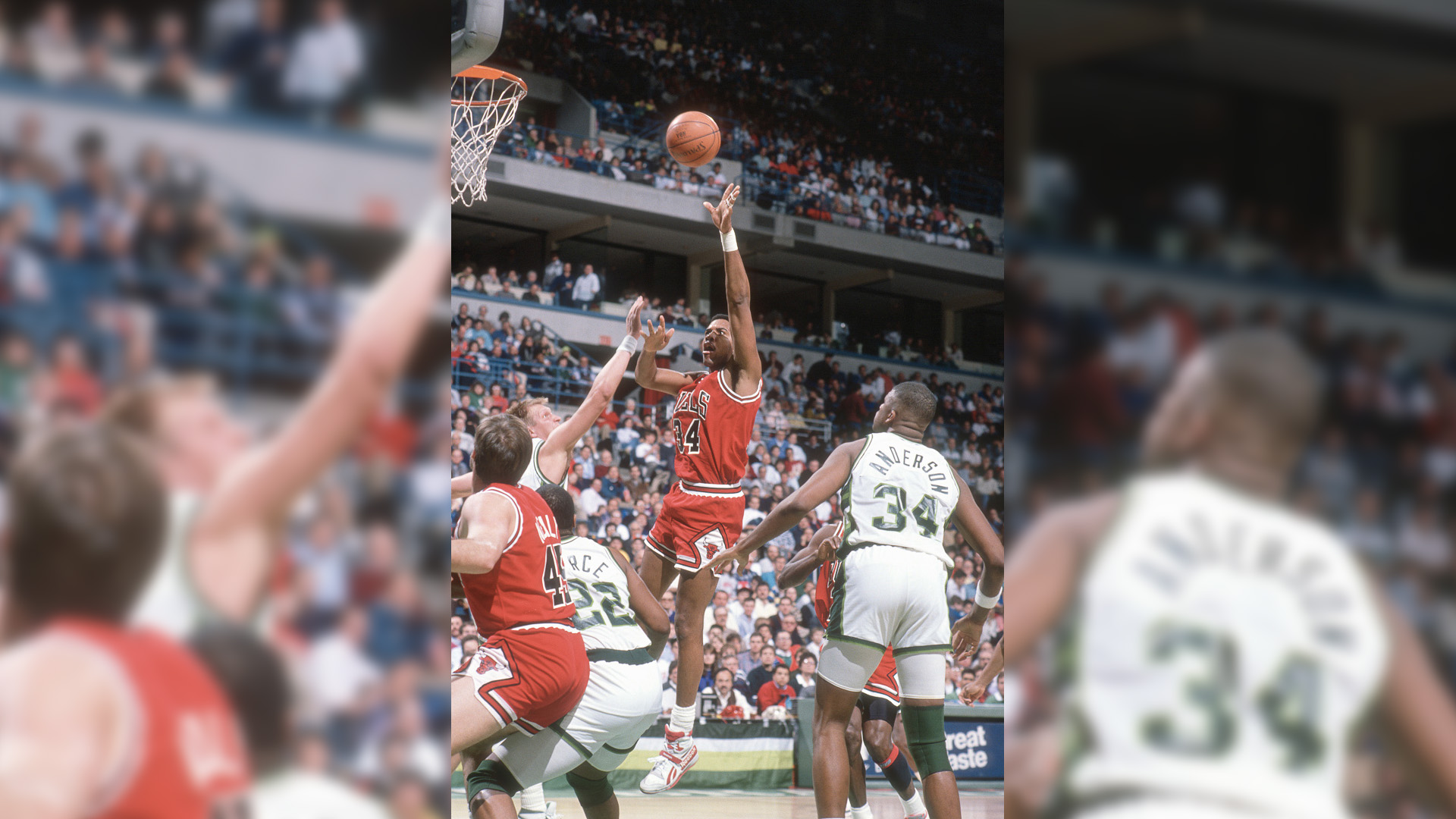 Modern audiences know Stacey King as the color man for the Bulls’ TV broadcasts, but for NBA fans of the 1990s, the big man was a sometimes-starting center and power forward for the Bulls first three-peat. Drafted by Chicago in 1989, King stayed with the franchise until he was traded to Toronto before the start of the 1993 season but returned to the Bulls midseason. He also did stints in Minnesota, Miami, Boston and Dallas before retiring in 1997. 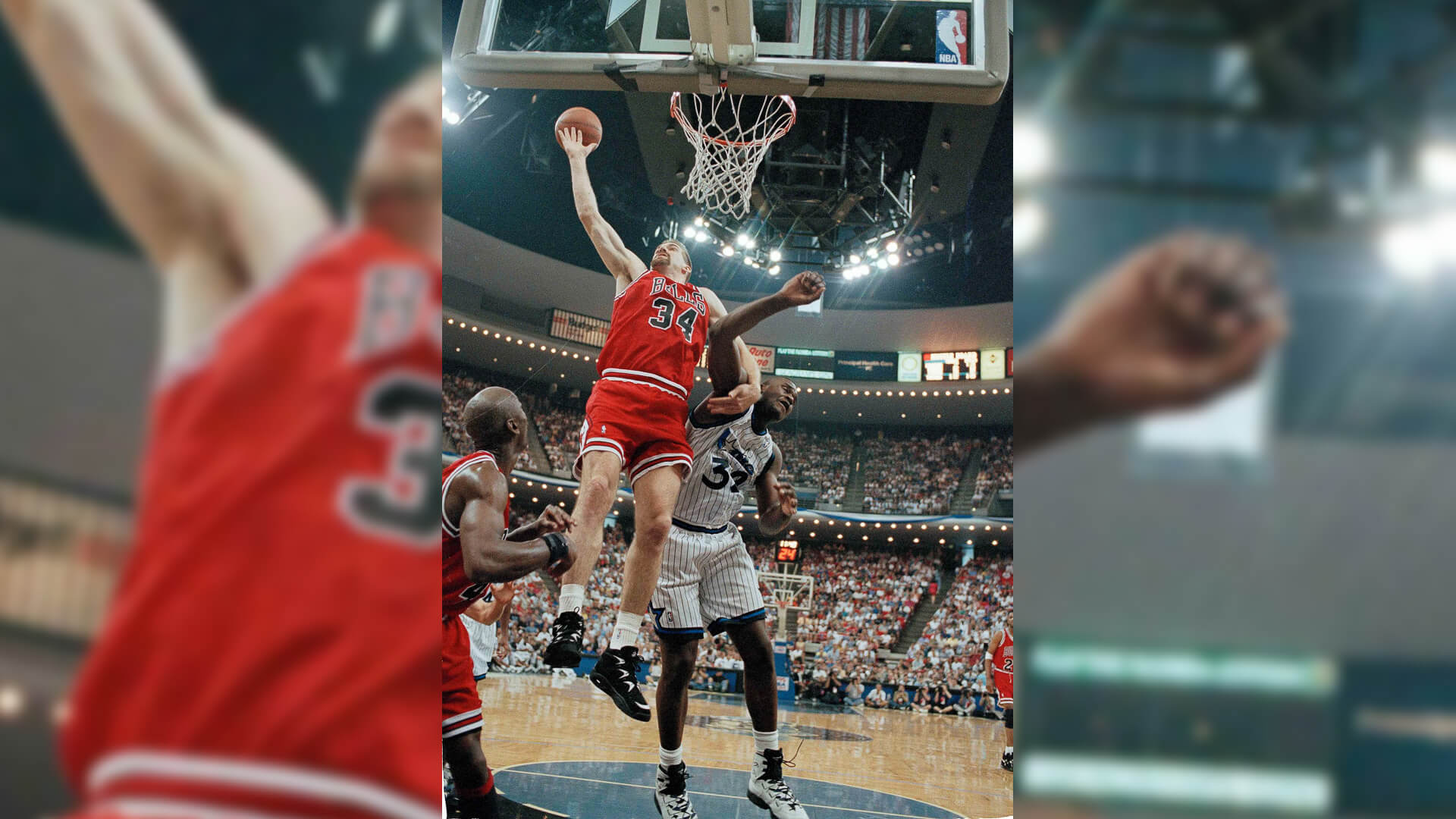 Center Bill Wennington spent six seasons with the Bulls. Before joining the Bulls, the seven-foot player spent time playing with Dallas and Sacramento before he ended up playing in Italy. He enjoyed three championships in Chicago during the ’96-’98 run. In total, he played 13 years in the NBA. 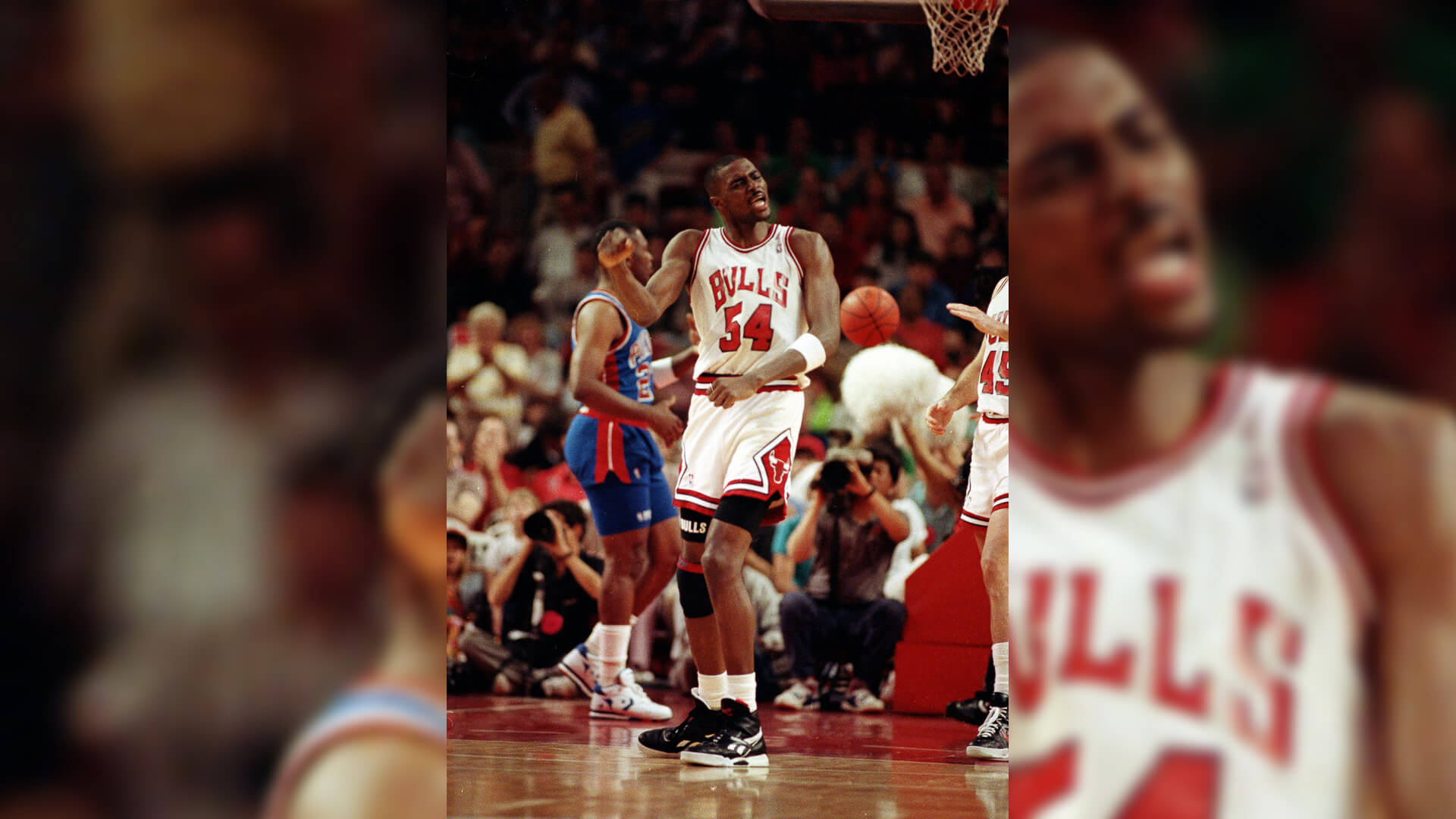 The Bulls drafted Horace Grant, with his trademark goggles, as a backup in 1987, but he entered the starting lineup the following year and quickly established himself as the best rebounder on the squad and the No. 3 scorer behind only Jordan and Scottie Pippen. He was one of the driving forces behind the team’s legendary first back-to-back-to-back championship run and then moved to Shaq’s Orlando Magic in the late ’90s. He also played for the Lakers and SuperSonics before retiring in 2004. 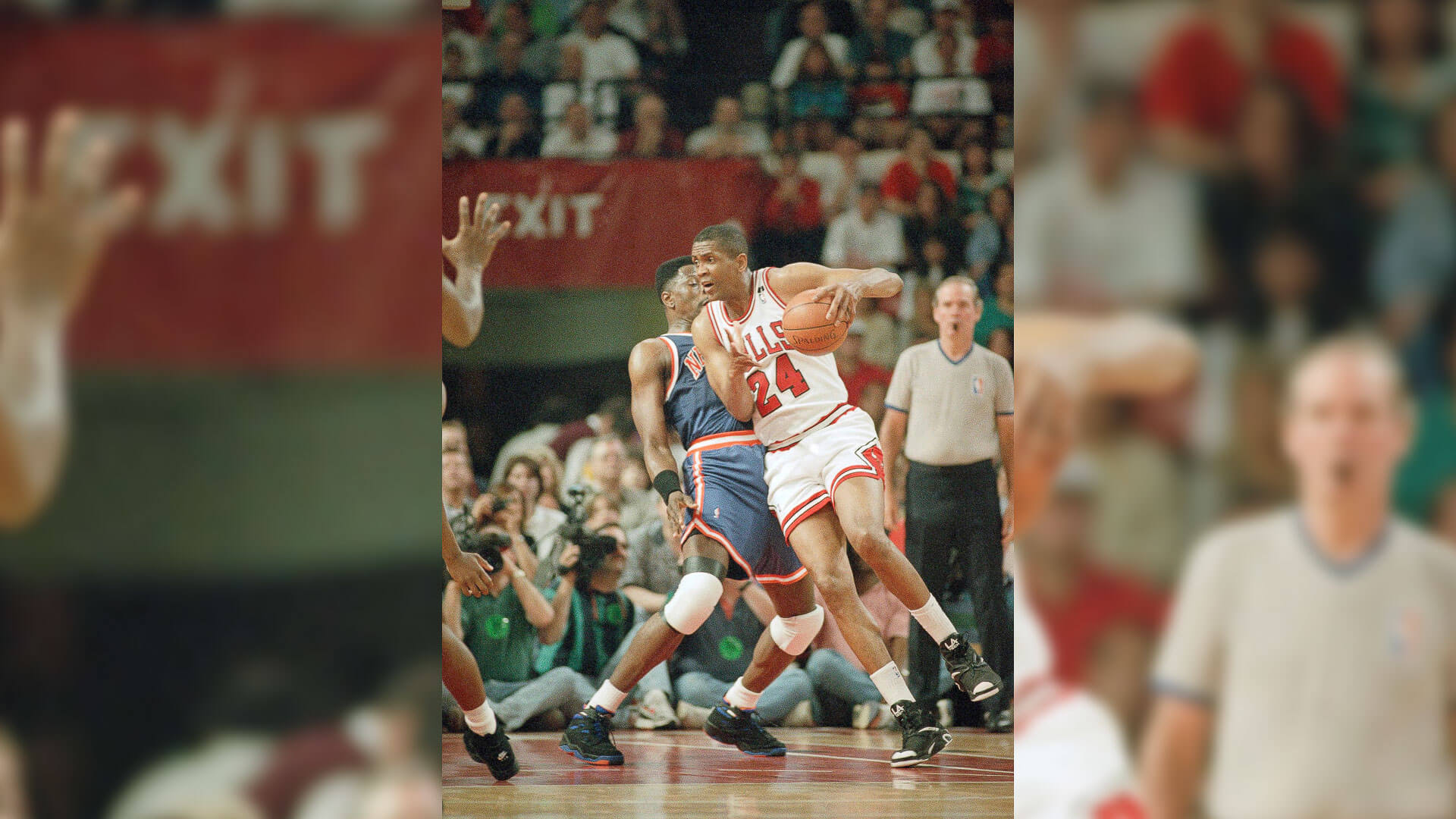 Seven-foot-one-inch center Bill Cartwright entered the league with the Knicks in 1979 and remained in New York until 1988, although he sat out the entire 1984-85 season with a foot injury. In 1989, he joined the Bulls as a starter and anchored the center position in Chicago until 1994, picking up three championships along the way. The one-time All-Star finished his career with a single season in Seattle before retiring in 1995.

Entrepreneurs: Athletes Who Got Rich for Something Other Than Sports 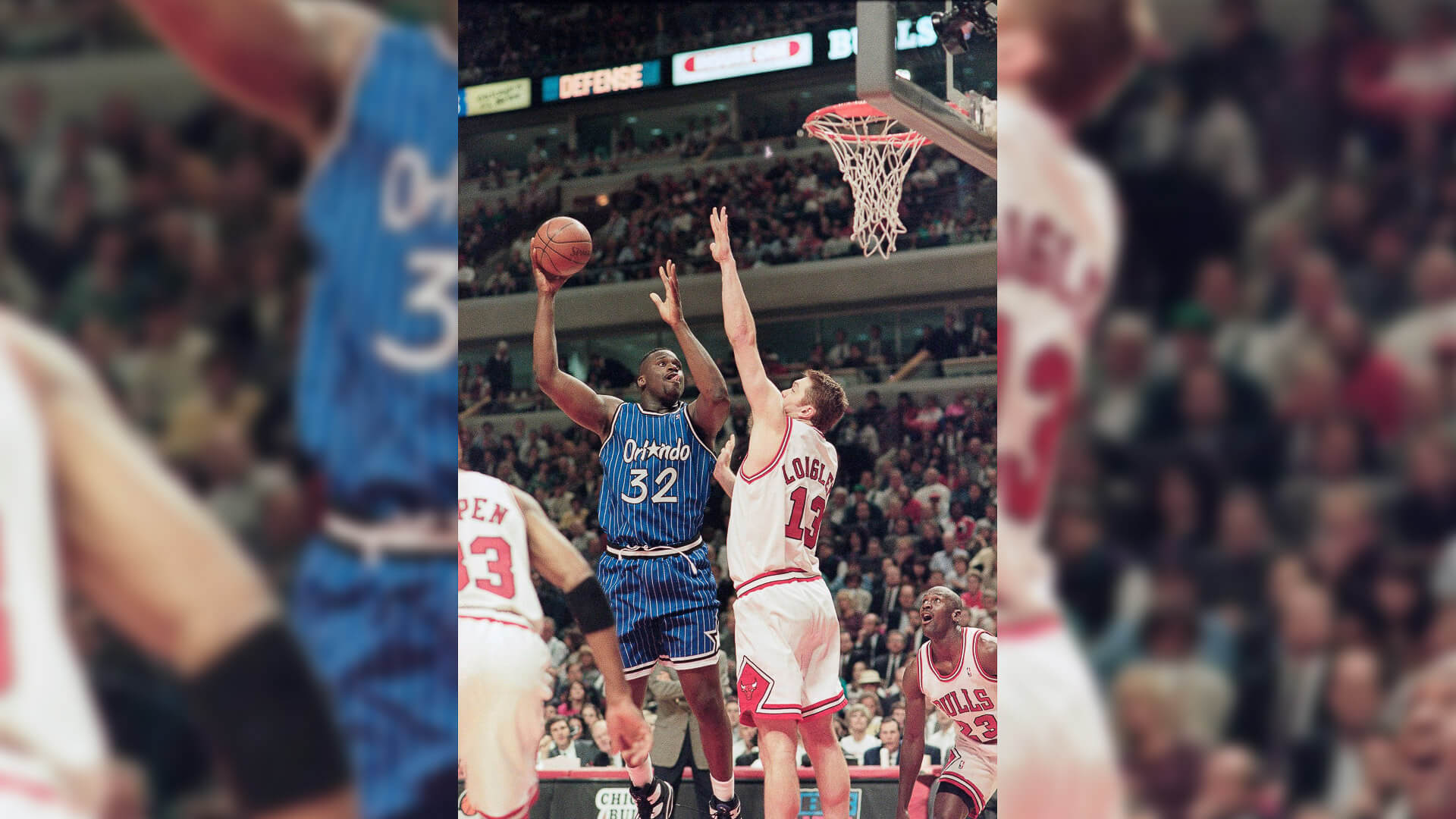 The first Australian ever to play in the NBA, Luc Longley was drafted by Minnesota in 1991. During the 1993-94 season, he was traded first to Toronto, then back to Minnesota, then to Chicago. Standing seven feet, 2 inches tall and weighing 265 pounds, the enormous center was a presence during the Bulls’ second triple-consecutive championship years. After leaving the Bulls in 1998, he played three more years in Phoenix and New York before retiring in 2001. 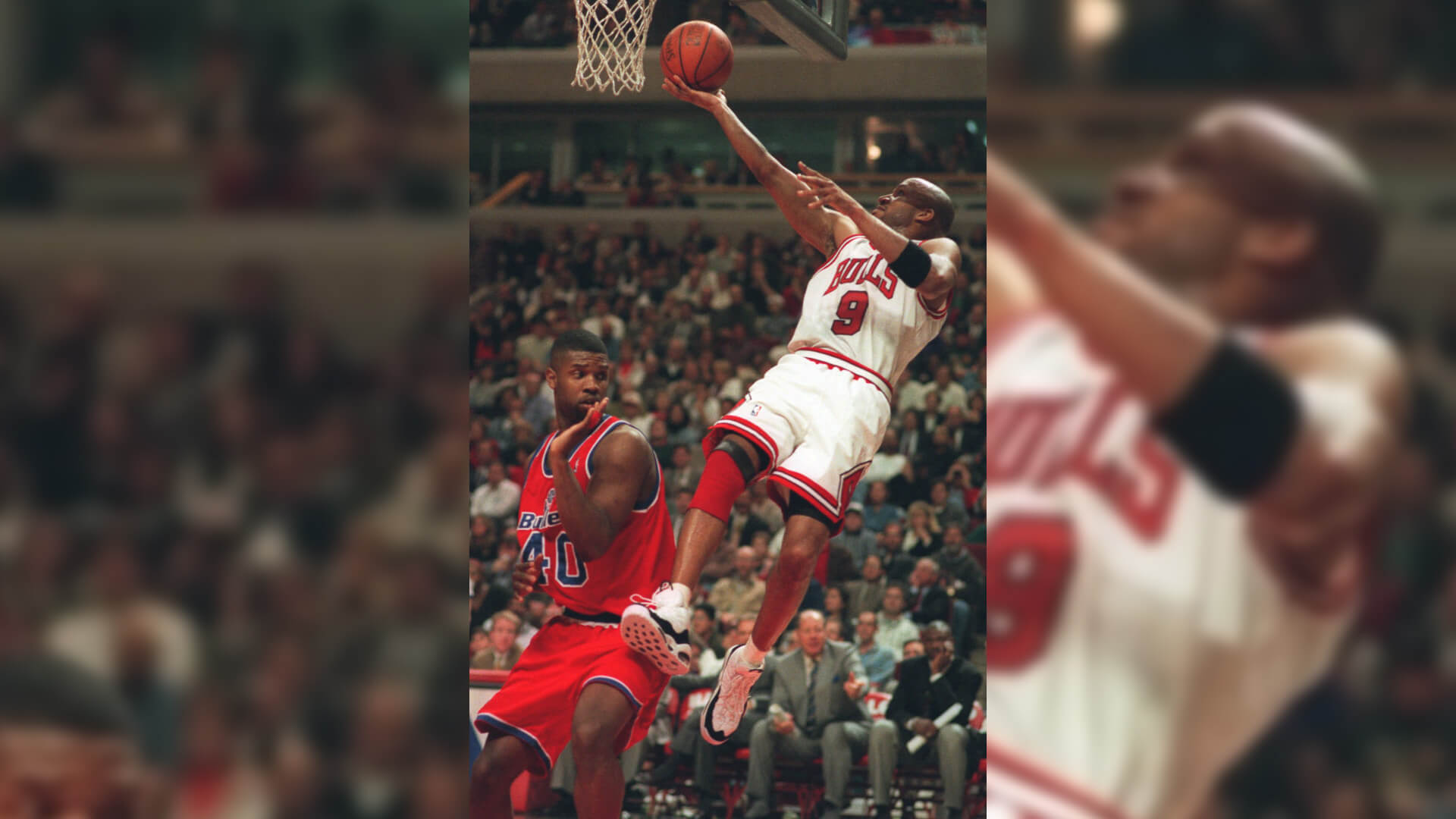 Between 1996 and 2001, Ron Harper spent only one season as a nonchampion. The point guard/shooting guard won three in a row with the Bulls in 1996-98. Then, in one of the greatest career capstones in history, he moved to the Lakers in 2000, where he won back-to-back championships during his only two seasons in Los Angeles before retiring in glory. In total, he spent 15 years in the NBA. 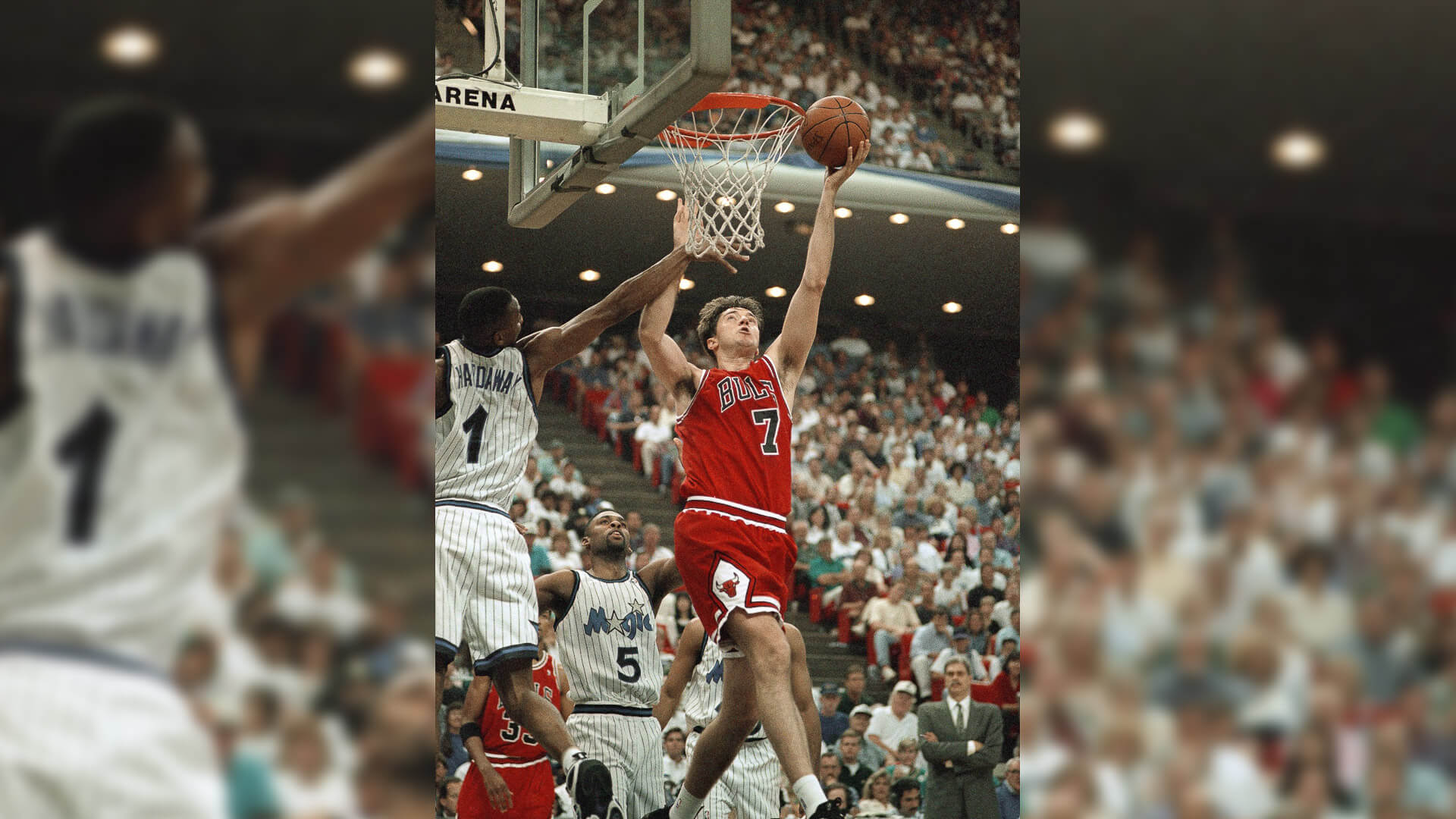 The Bulls drafted Croatian small forward/power forward Toni Kukoč for the 1993-94 season, just missing out on the glory of Chicago’s first three-peat. The winner of the 1995-96 Sixth Man award, Kukoč was a key player in the second three consecutive titles, however. He was traded to Toronto in 1999, then moved back to Chicago, then onto Philadelphia all in the same season. He played in Atlanta and Milwaukee before retiring in 2006. 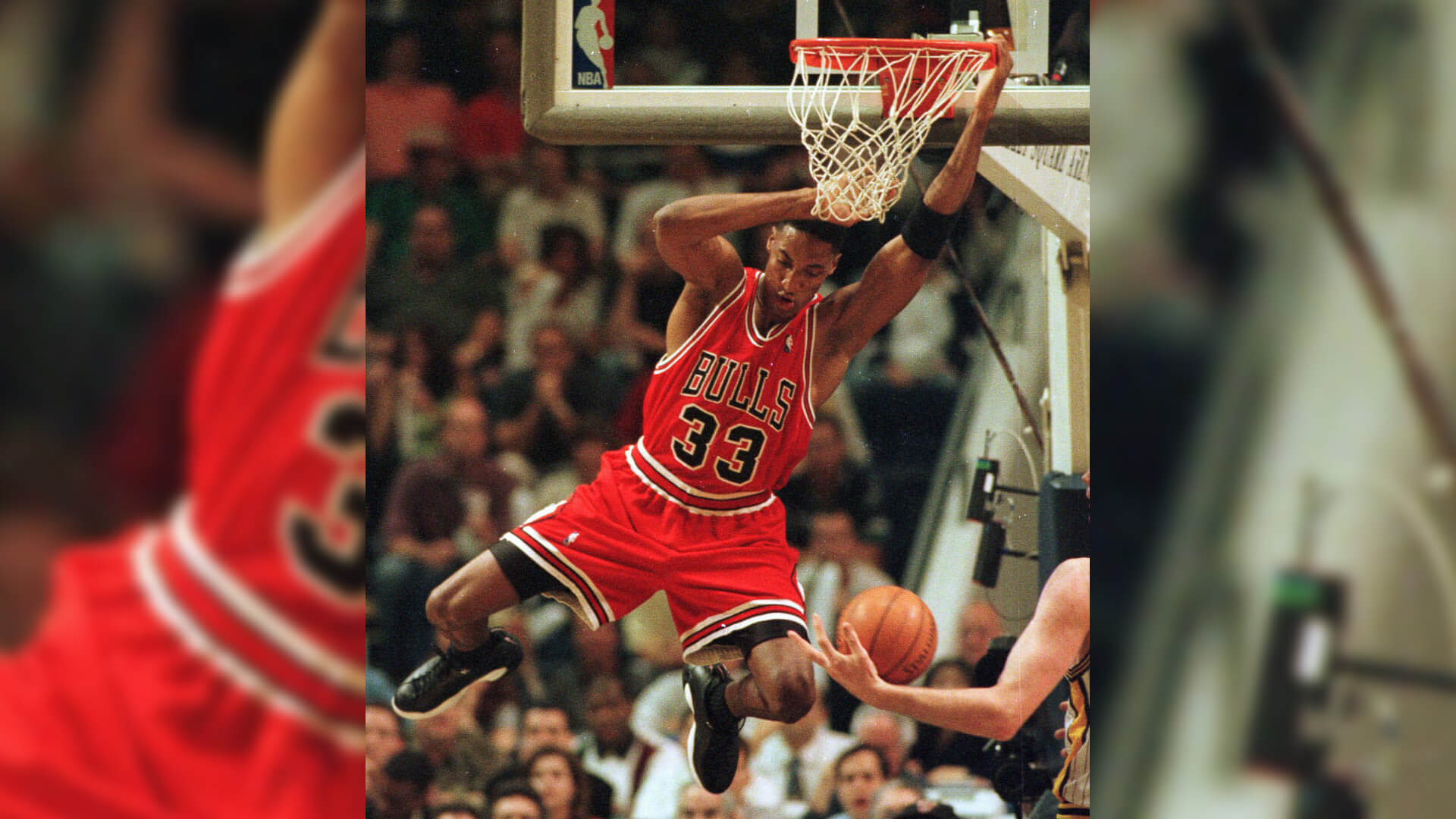 Hall of Fame small forward Scottie Pippen is a six-time NBA champion, a seven-time All-Star, one of the greatest players in NBA history and second only to Jordan in terms of importance to the Bulls dynasty franchise. His salary, however, was far from equal to his stature. He made the mistake of agreeing to a long contract extension in 1991 that paid him $18 million over five years, but the deal’s fine print actually spread that sum out over eight years. In 1997-98, the final year of his contract, he earned $2,775,000, ranking him No. 6 on the Bulls in terms of salary and No. 122 in the NBA overall. 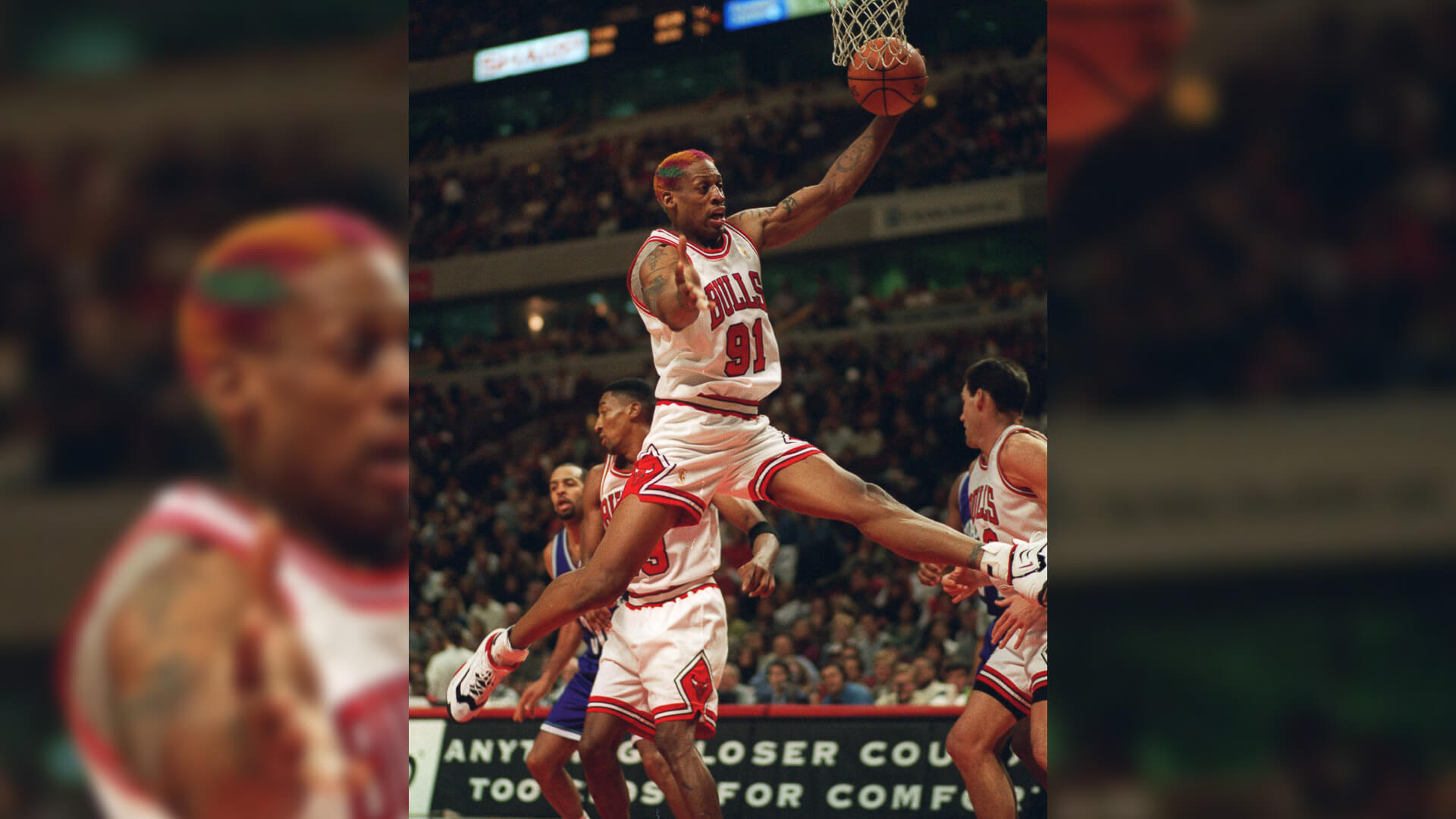 One of the most colorful, controversial and eccentric athletes in any sport, Dennis Rodman was known for this ferocious defensive play and otherworldly rebounding abilities — he led the league in boards a record seven years in a row. Drafted by Detroit in 1986, Rodman won back-to-back championships with the Pistons in 1989 and 1990. He then moved to San Antonio and then to Chicago, where he cashed in on the franchise’s second three-peat, giving the Hall of Famer and two-time All-Star five titles in total. 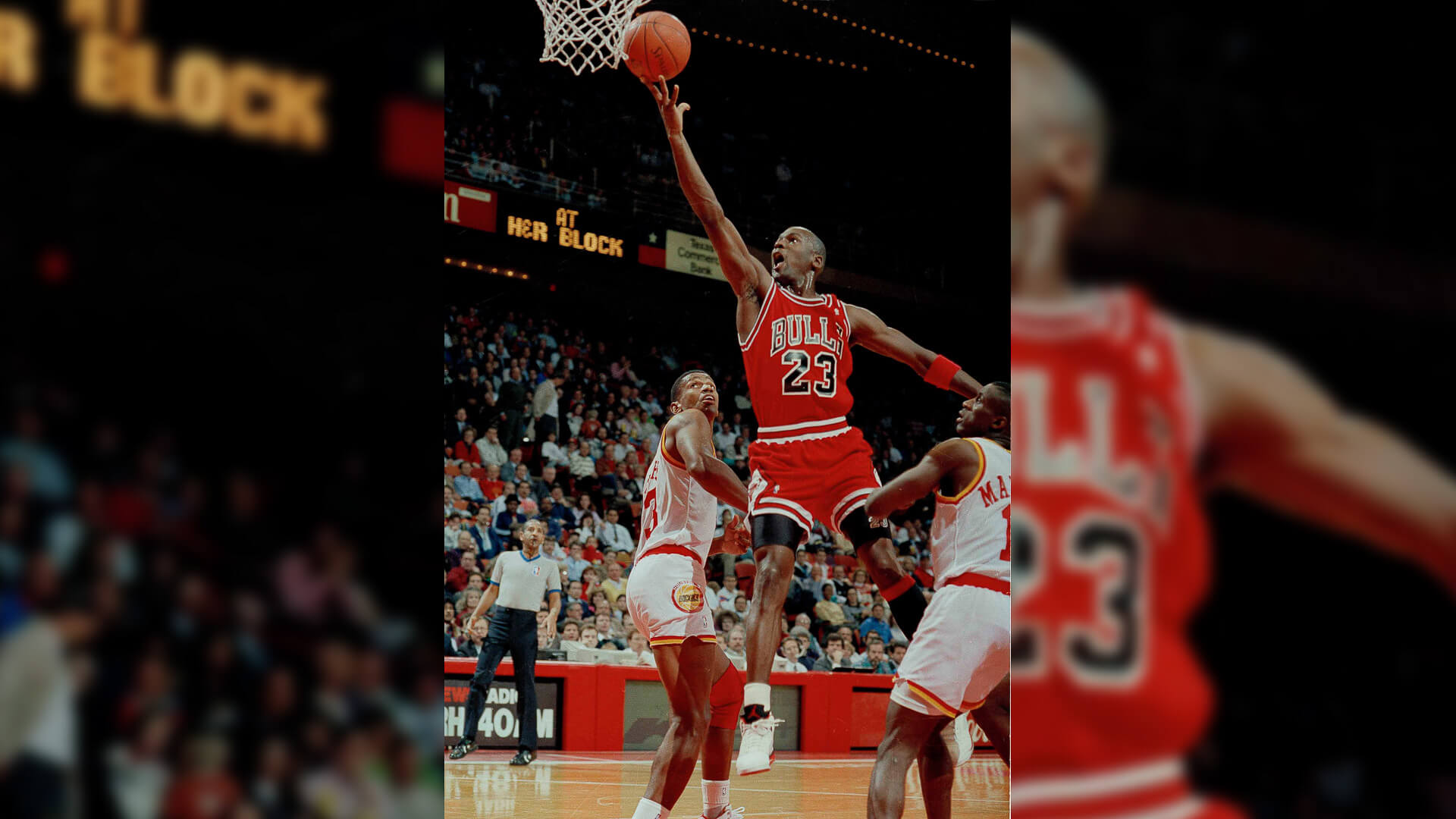 In terms of both the Bulls and basketball, Michael Jordan stands alone. The most marketable athlete in history, MJ’s popularity made basketball a global sport — at the height of his career, he was probably the most famous and instantly recognizable person. The greatest player in history, No. 23 was an All-Star for 14 of his 15 seasons, a 10-time Scoring Champion, a five-time MVP and the list goes on. His litany of endorsement deals and Air Jordan sneaker line revolutionized how athletes marketed themselves. His post-career life has been one of nearly unrivaled success, with MJ becoming the NBA’s first billionaire and the owner of the Charlotte Hornets.