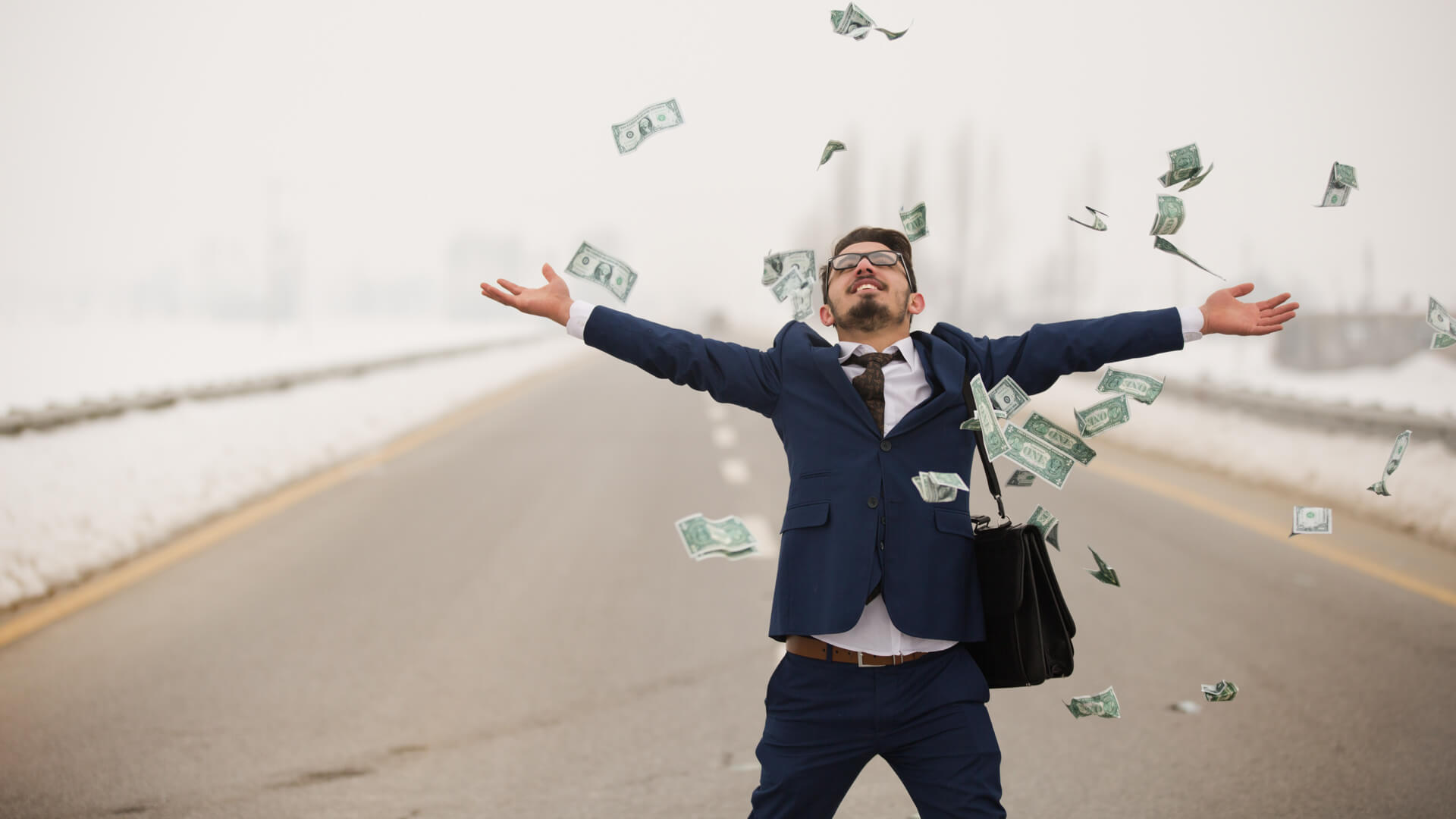 Does money make you happy? The short answer is no. Researchers say the correlation between income and happiness is only modest, so there are clearly other factors at play. However, there is a relationship between how you spend money and happiness. If you know how to put your dollars to good use, you can boost your mood — regardless of how much money you’re making.

Click through to find out how to be happier without spending a lot of money. 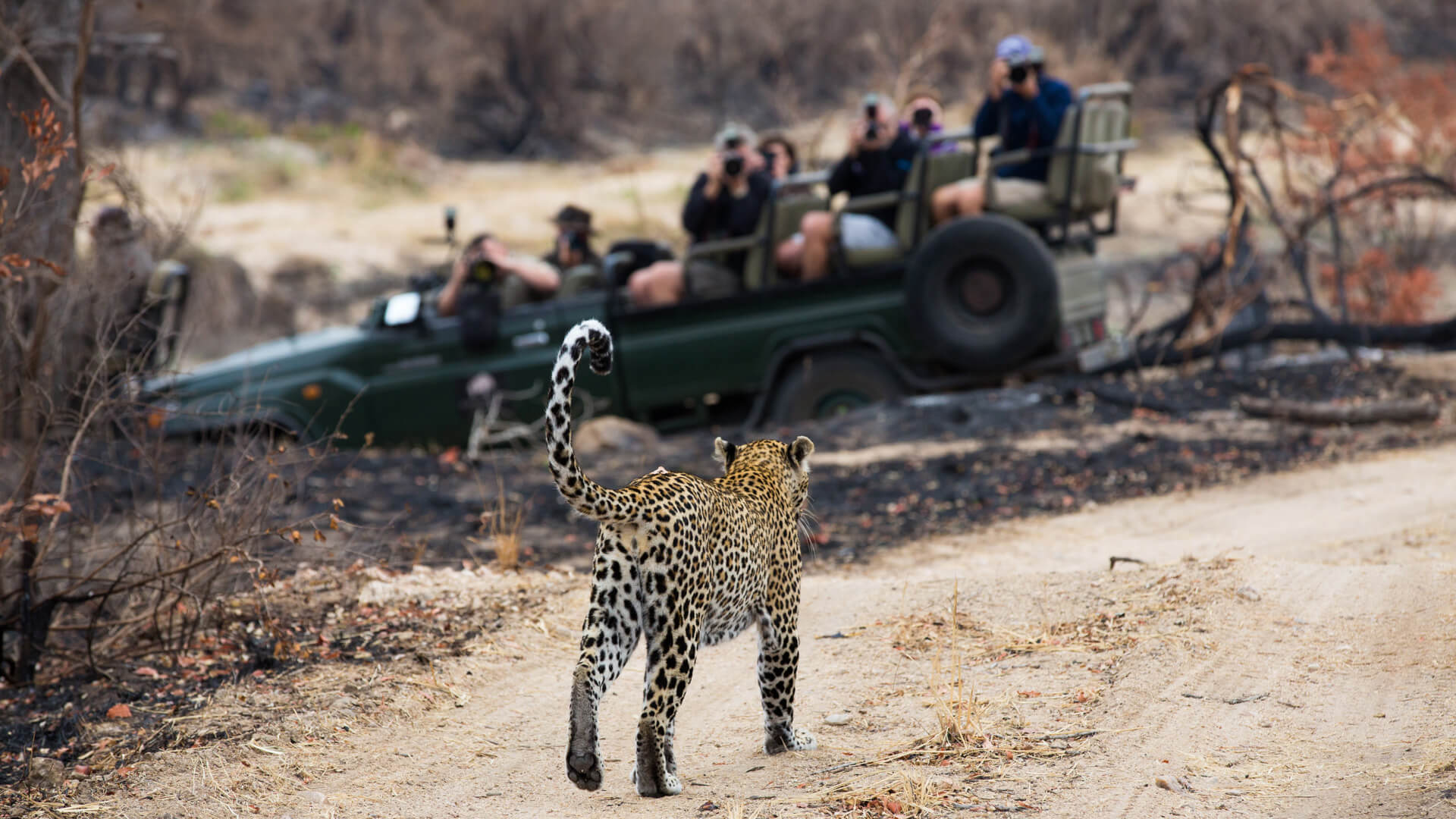 Spend on Experiences Rather Than Things

If you’re looking for more sustained happiness, it’s better to spend your money on an experience, such as a bucket-list safari vacation, rather than a thing, such as new hardwood floors for your condo.

According to a research paper published by scholars at Harvard, “one reason is that we adapt to things so quickly. After devoting days to selecting the perfect hardwood floor to install in a new condo, homebuyers find their once beloved Brazilian cherry floors quickly become nothing more than the unnoticed ground beneath their feet. In contrast, their memory of seeing a baby cheetah at dawn on an African safari continues to provide delight.”

According to the research paper, another reason experiential purchases provide more happiness is that we derive joy from anticipating and remembering experiences, but we usually only get happiness from things while we’re actively using them. 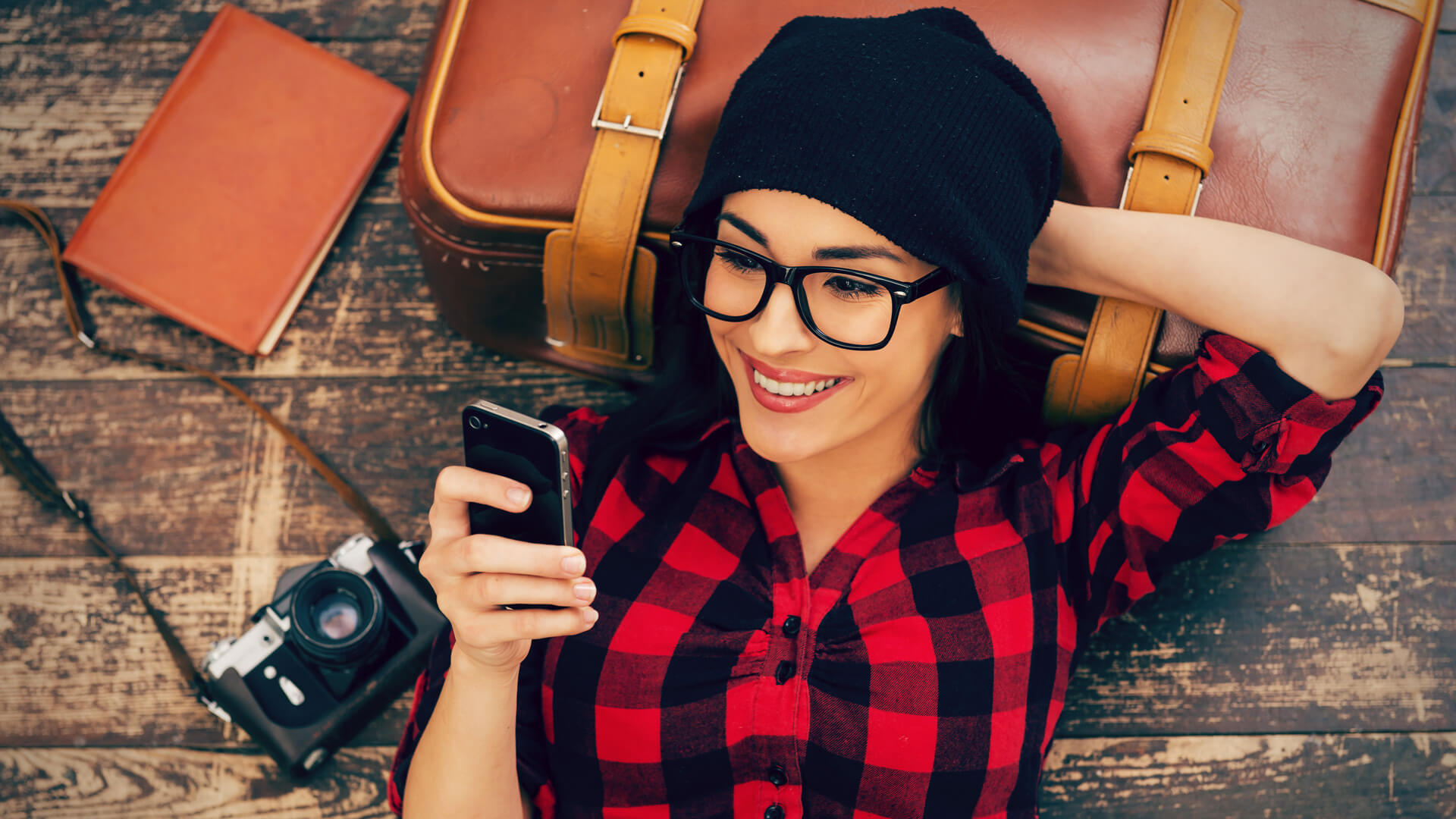 The exceptions to the experience vs. things rule are things that help us improve our experiences. This category of “experiential goods” includes electronics, musical instruments, and sports and outdoor gear that helps us get outside. A study published in the Journal of Consumer Psychology found that “experiential products provide similar levels of well-being compared to life experiences and more well-being than material items.”

For example, a smartphone can help us to communicate with others, and self-improvement apps on the phone can help better our lives in the long-term. Even though the phone itself might not produce happiness, it’s a conduit to experiences that do make us happy. 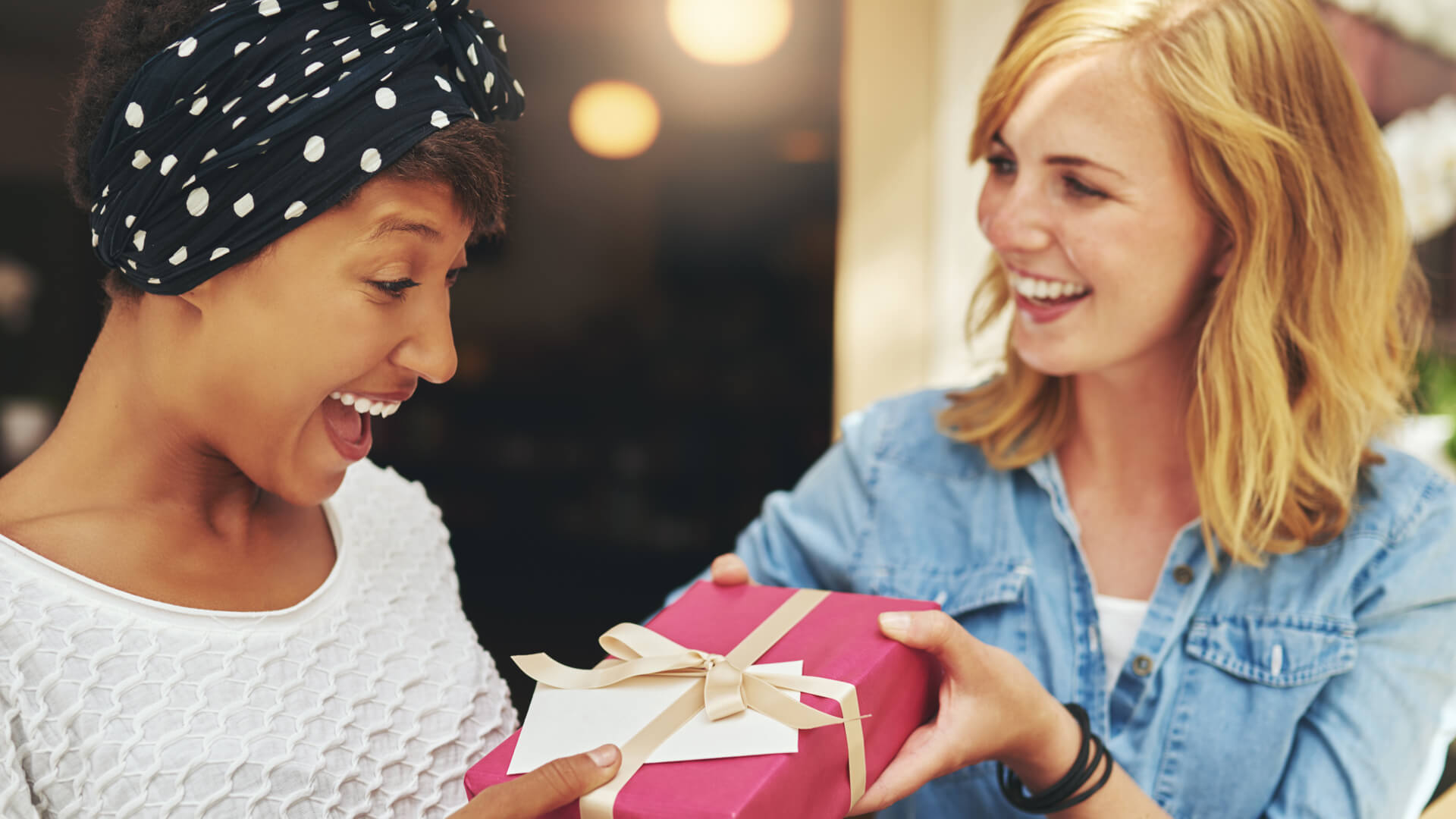 Buy Gifts for Others

It might seem counterintuitive, but people are happier when they spend money on others than when they spend money on themselves — and you don’t need to spend a large sum of money to reap the benefits of “prosocial spending.” Harvard researchers found that “even in very poor countries like India and Uganda — where many people are struggling to meet their basic needs — individuals who reflected on giving to others were happier than those who reflected on spending on themselves. What’s more, spending even a few dollars on someone else can trigger a boost in happiness.”

One study conducted by the researchers found that asking people to spend as little as $5 on someone else over the course of a day made them happier at the end of that day than people who spent the $5 on themselves. So next time you find yourself with a few dollars to spare, buy a gift for a friend or family member instead of treating yourself. 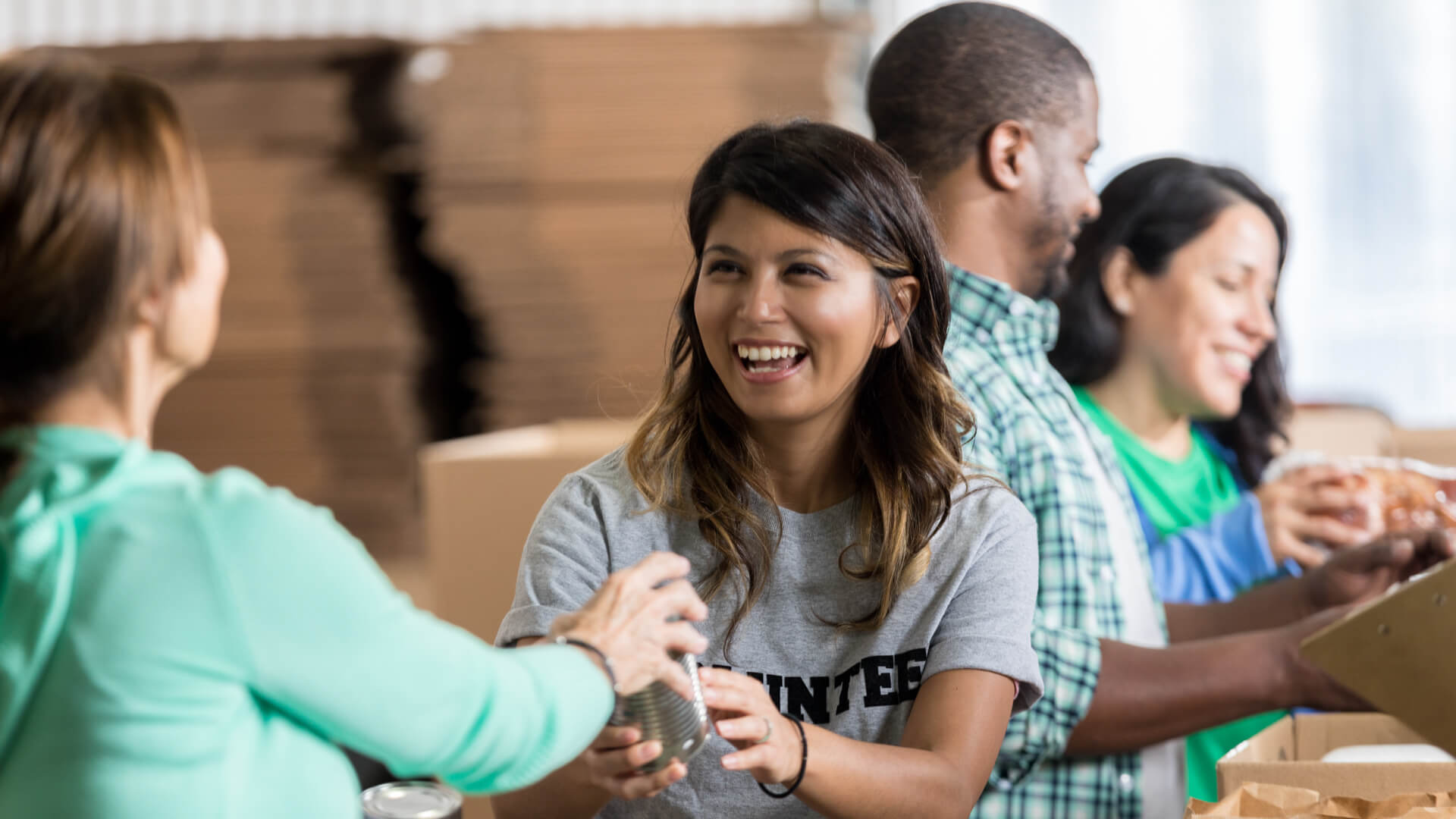 Just as buying gifts for others triggers happiness, so does donating to charity. “People who donate money to charity are happier in poor and rich countries alike,” Elizabeth Dunn, a psychology professor at the University of British Columbia, said at a 2015 conference, the New York Post reported. 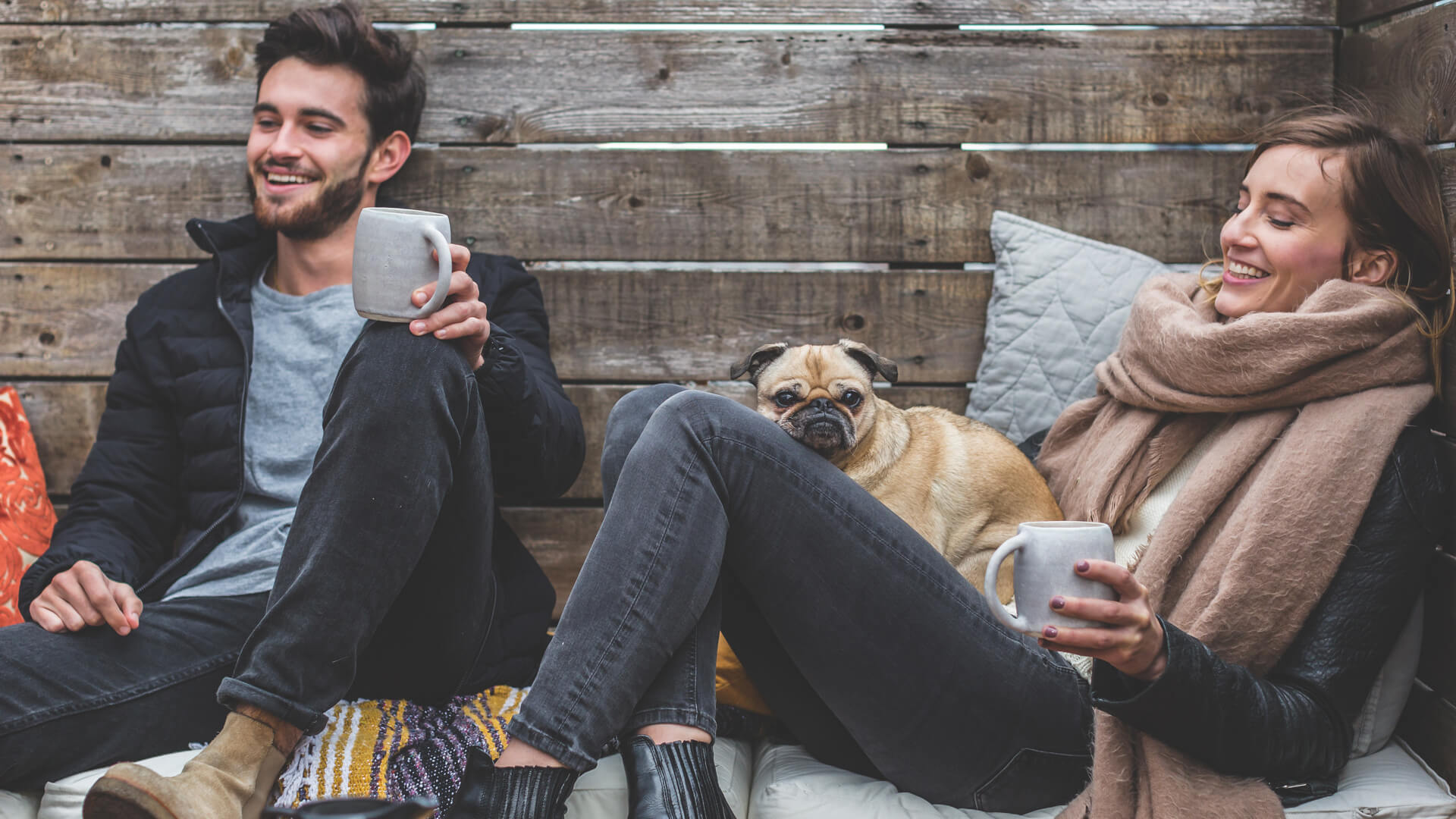 Indulge in Small Pleasures Rather Than Big Splurges

You can save money by giving up your Starbucks lattes, but little indulgences like fancy coffee drinks, pedicures and super-soft socks can make us happier than large splurges. “One reason why small frequent pleasures beat infrequent large ones is that we are less likely to adapt to the former,” according to a research paper published by Scholars at Harvard.

The research paper gives the example of going out for an after-work beer vs. buying an expensive dining table. Each time you go out for beer, the experience is slightly different, whether because you choose a different beer or the conversation is different, while the table remains the same every time you use it. It’s often the newness of something that’s enjoyable, so once you’ve adapted to an object you no longer derive the same pleasure. That’s why small pleasures could be a better way to spend your money than making one big purchase. 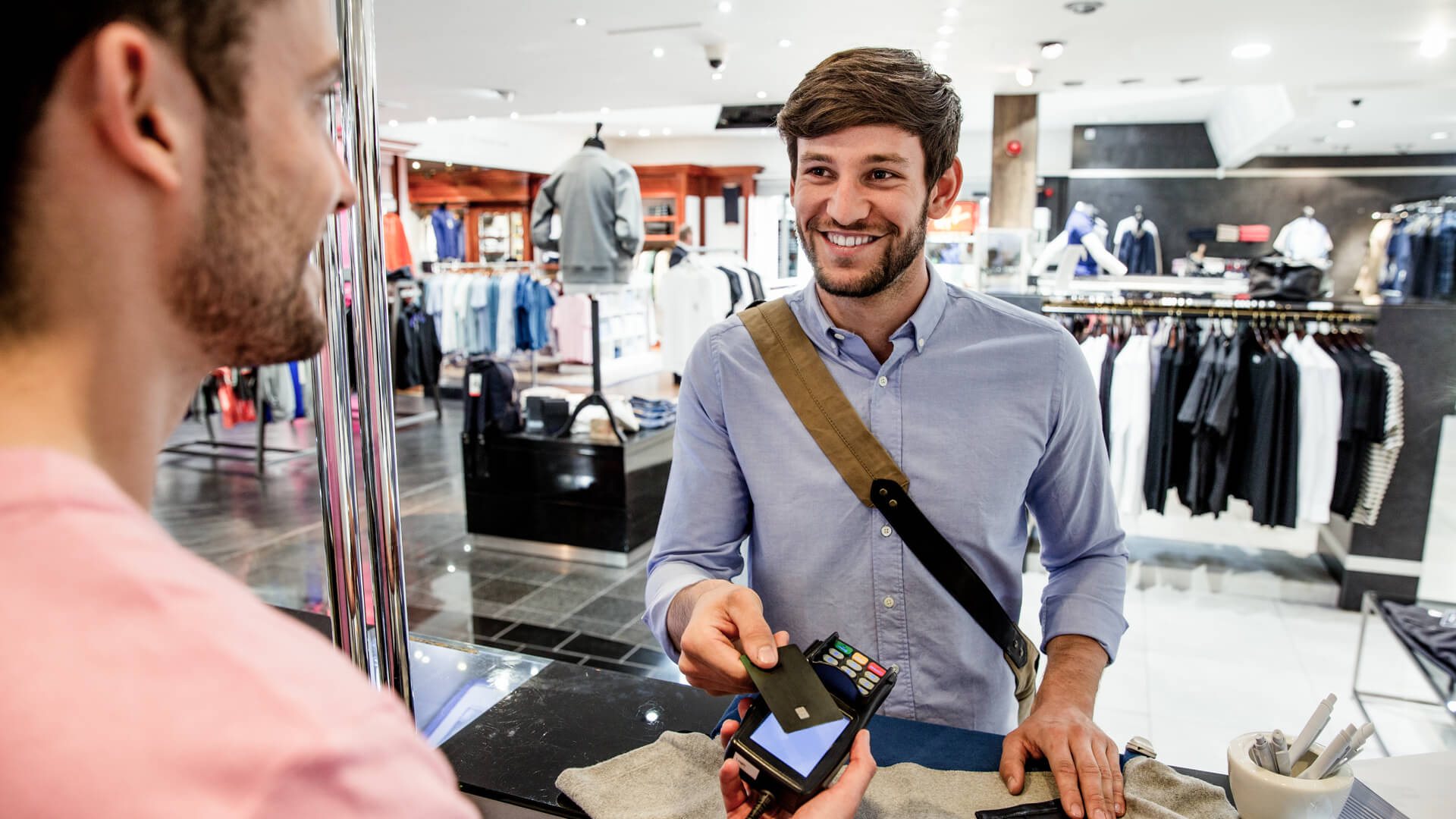 Spread Out Your Spending

Another reason why small pleasures make us happier than big splurges is that we’re breaking up our periods of enjoyment. According to the Harvard research paper, spreading out our spending “introduces a temporal discontinuity between experiences and thus ameliorates the effects of adaptation.”

So it’s better to spend $25 on something now and another $25 on something else a few days later, rather than spending $50 on one thing all at once. If you need help resisting an expensive impulse buy, follow these strategies. 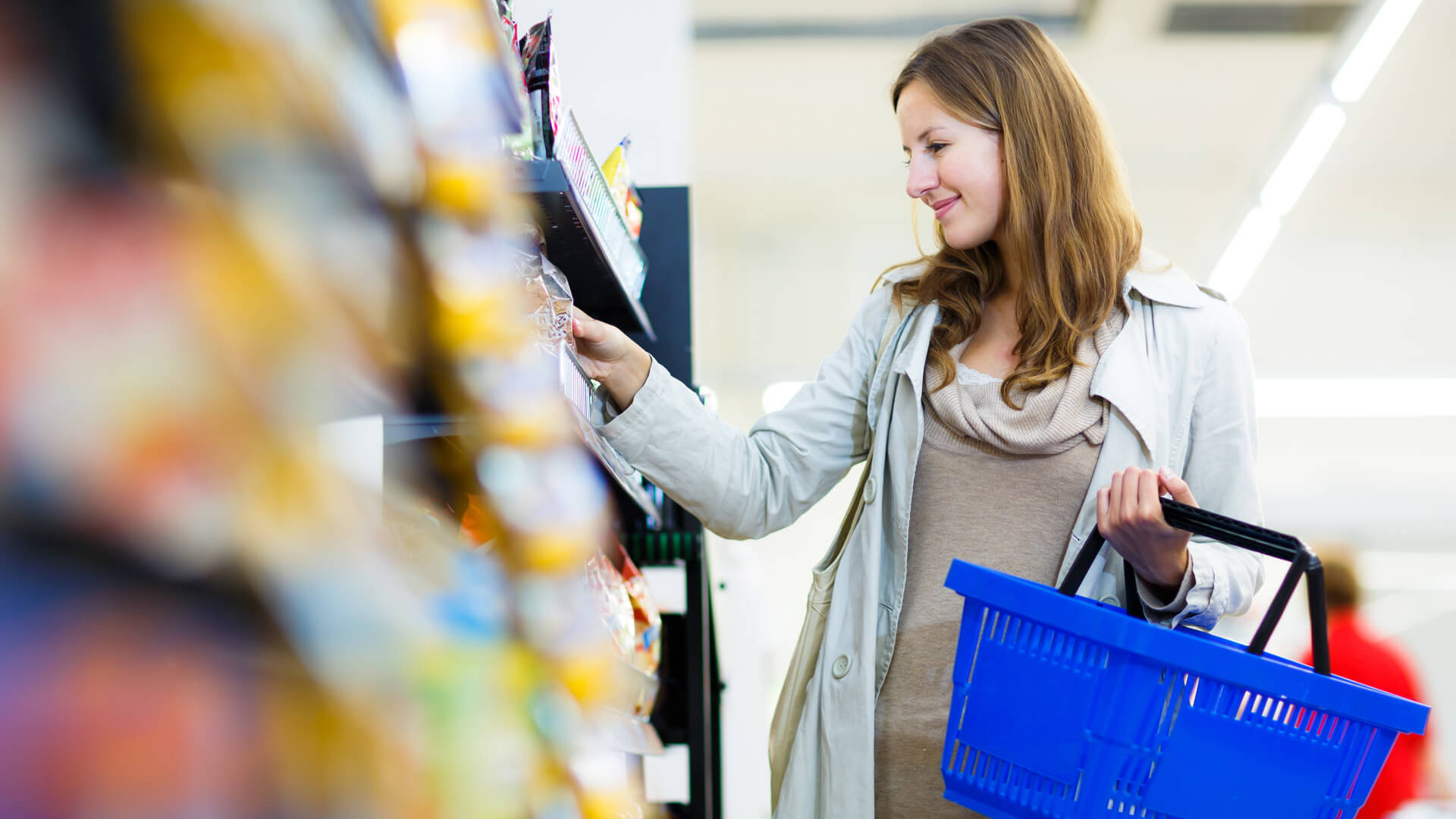 Not only does delaying consumption provide more anticipation, which can extend the happiness we receive from a purchase, but it can also help us to make purchases that have more of a long-term benefit. For example, a 1998 study published in Organizational Behavior and Human Decision Processes found that when study participants were asked to choose between healthy and unhealthy snacks, they chose unhealthy snacks for immediate consumption, but healthy snacks if they were choosing a snack to eat the next week. 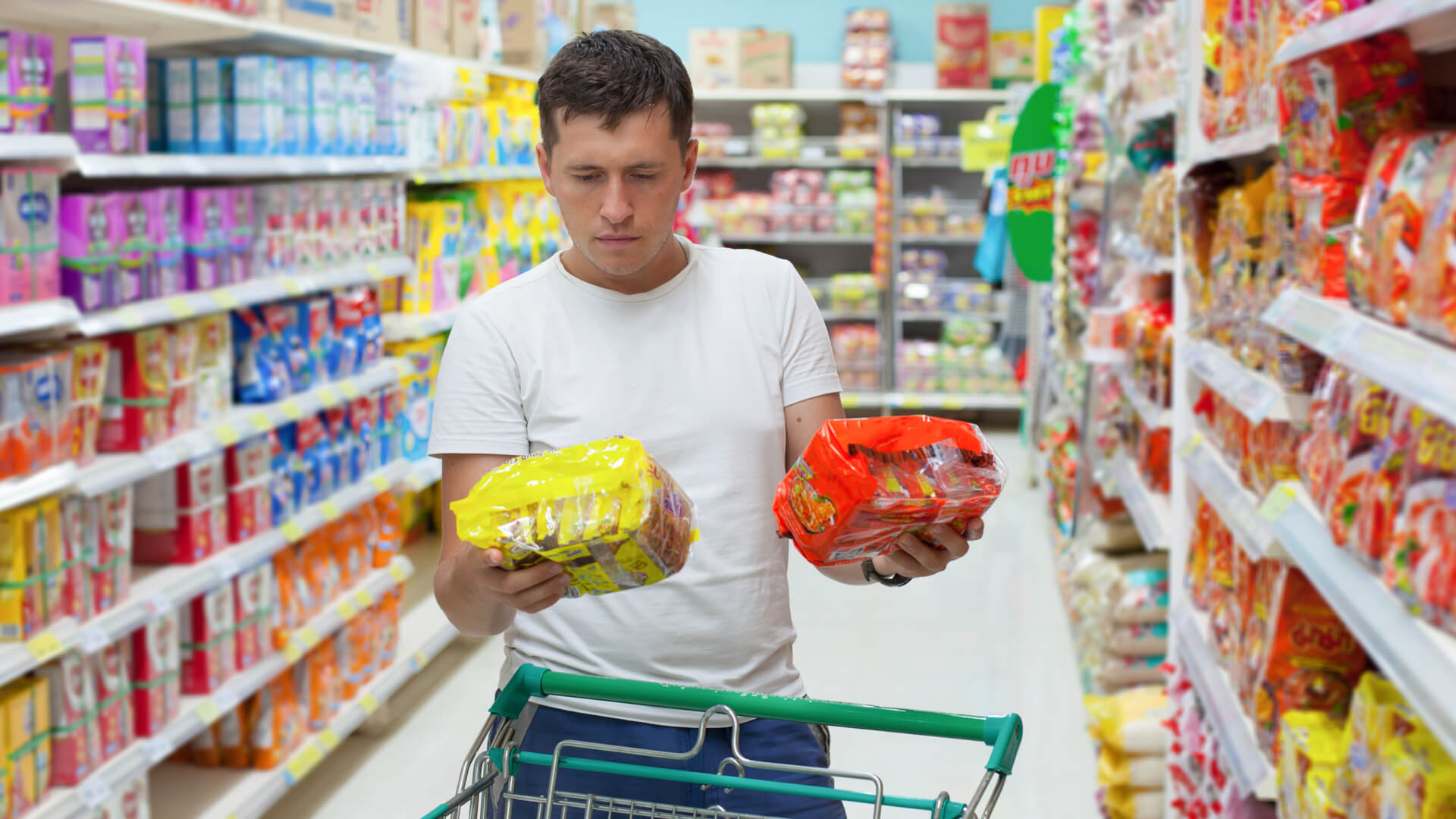 When making a purchase, it’s important to evaluate what you are buying on its own, rather than comparing it to whatever else is available, because the purchases you don’t choose won’t have any bearing on your ultimate enjoyment of the purchase you do make. 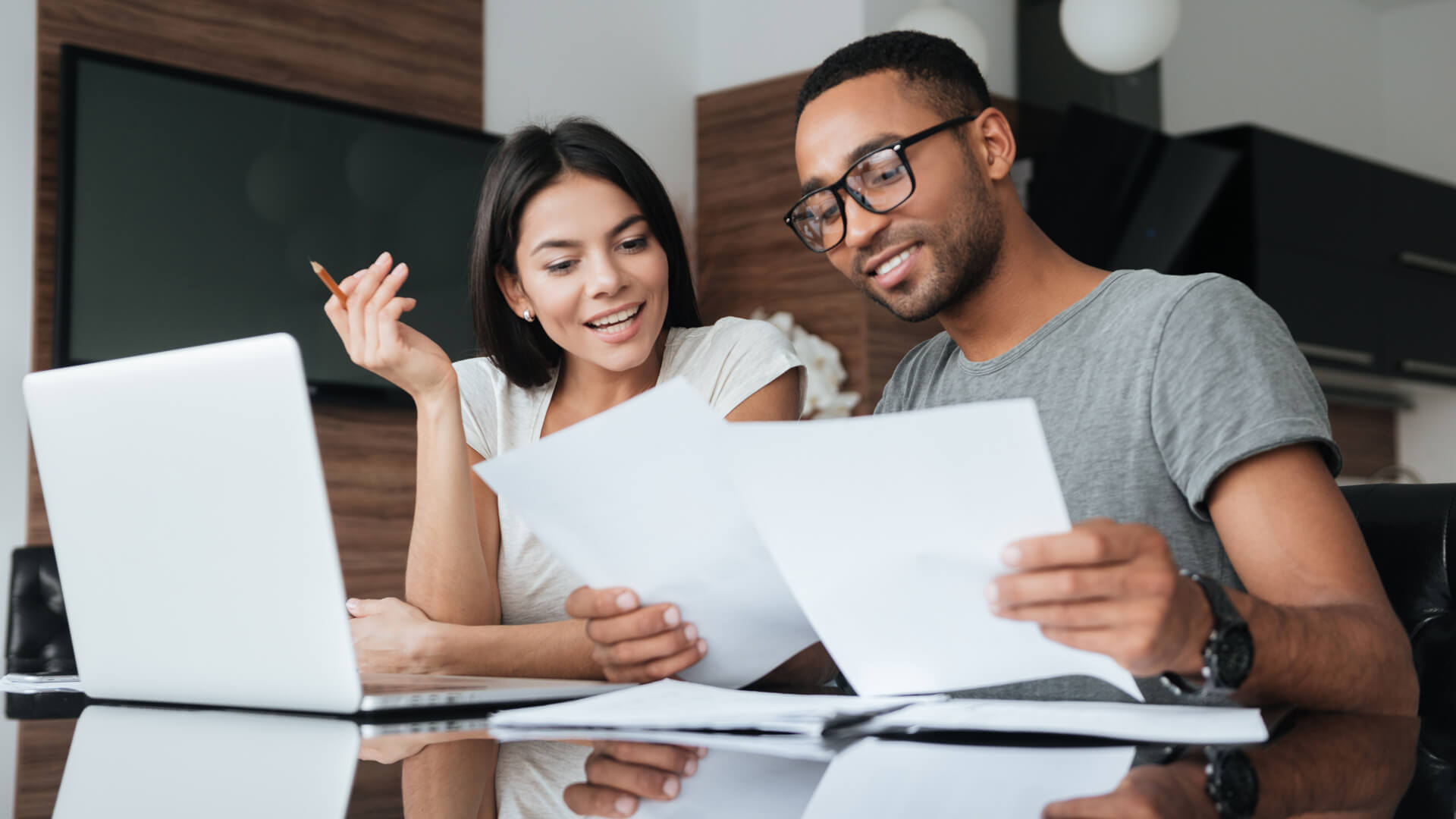 Think About the Big Picture Before Making a Major Purchase

Before making a big purchase, such as a summer home, it’s important to think about how the purchase will fit into your daily life, and keep in mind all of the minor details that could end up affecting your overall happiness. The Harvard researchers give the example of buying a lake house. While most people who aspire to buy a lake house think of the peace and quiet and sunset views, they often fail to think about less pleasant details such as the long drives to and from the house or an abundance of mosquitoes. “Cast in the soft light of imagination, these unpleasant, inessential details naturally recede from view, potentially biasing consumers’ predictions about the degree of happiness that their purchases will provide,” the study said.

That’s not to say you shouldn’t make a major purchase because there are some drawbacks; rather, it’s important to be realistic about your purchase so you don’t overestimate the happiness it will provide. Believing a purchase will make you happier than it actually will could make you more likely to spend money on something you can’t actually afford. 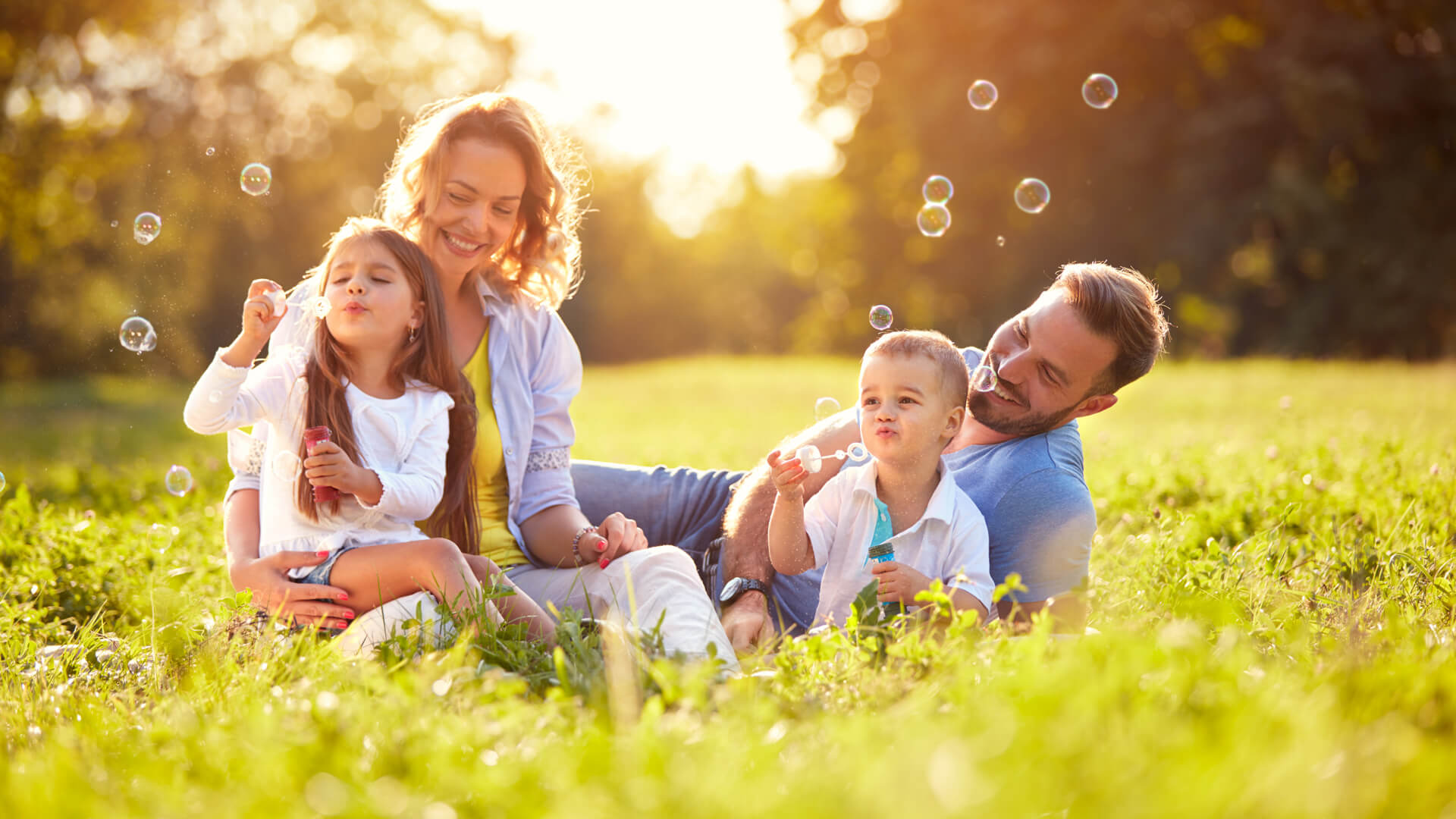 Spending money on services that buy more free time, such as a house cleaner or repairman, could be worth the cost. “If we spend our money to open up more ‘free’ hours in the day, we can spend our time enjoying the things in life that both empirical and anecdotal evidence suggests make us happy,” Sonja Lyubomirsky, author of “The Myths of Happiness,” told Prudential. That time you’re not cleaning or making repairs around the house can give you free time to spend with loved ones, go for a hike, read a book or volunteer — all of which could make you happier.