How To Get the Most Money When Trading In Your Car 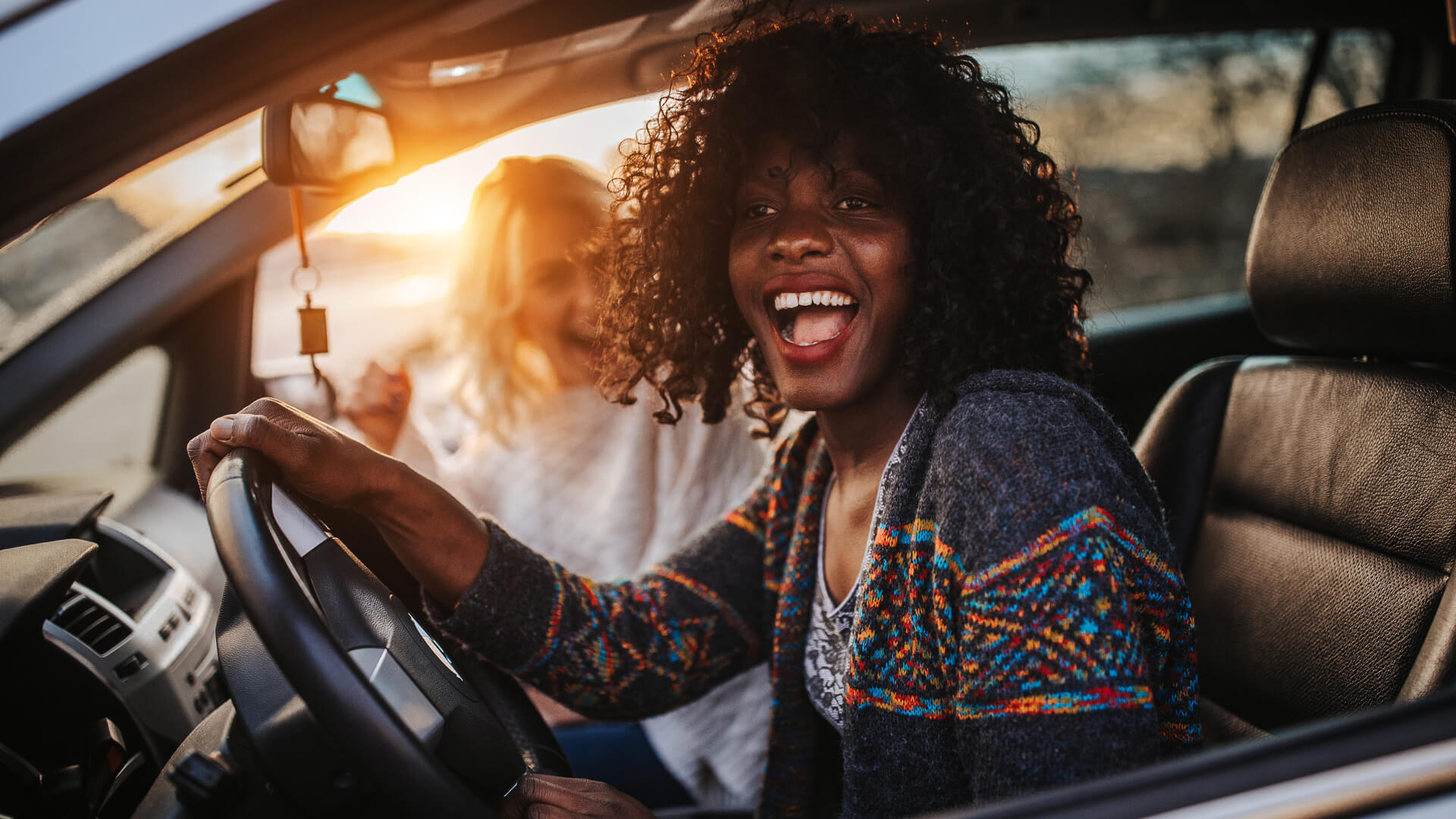 More than 40% of new vehicles purchased at dealerships involve a trade-in, according to Edmunds. If you’re bringing an old car to the dealership as part of your negotiations for a new set of wheels, your job is to squeeze every possible dollar out of the vehicle you’re trading in. By knowing how to handle the process, you’ll be able to get the best deal possible. 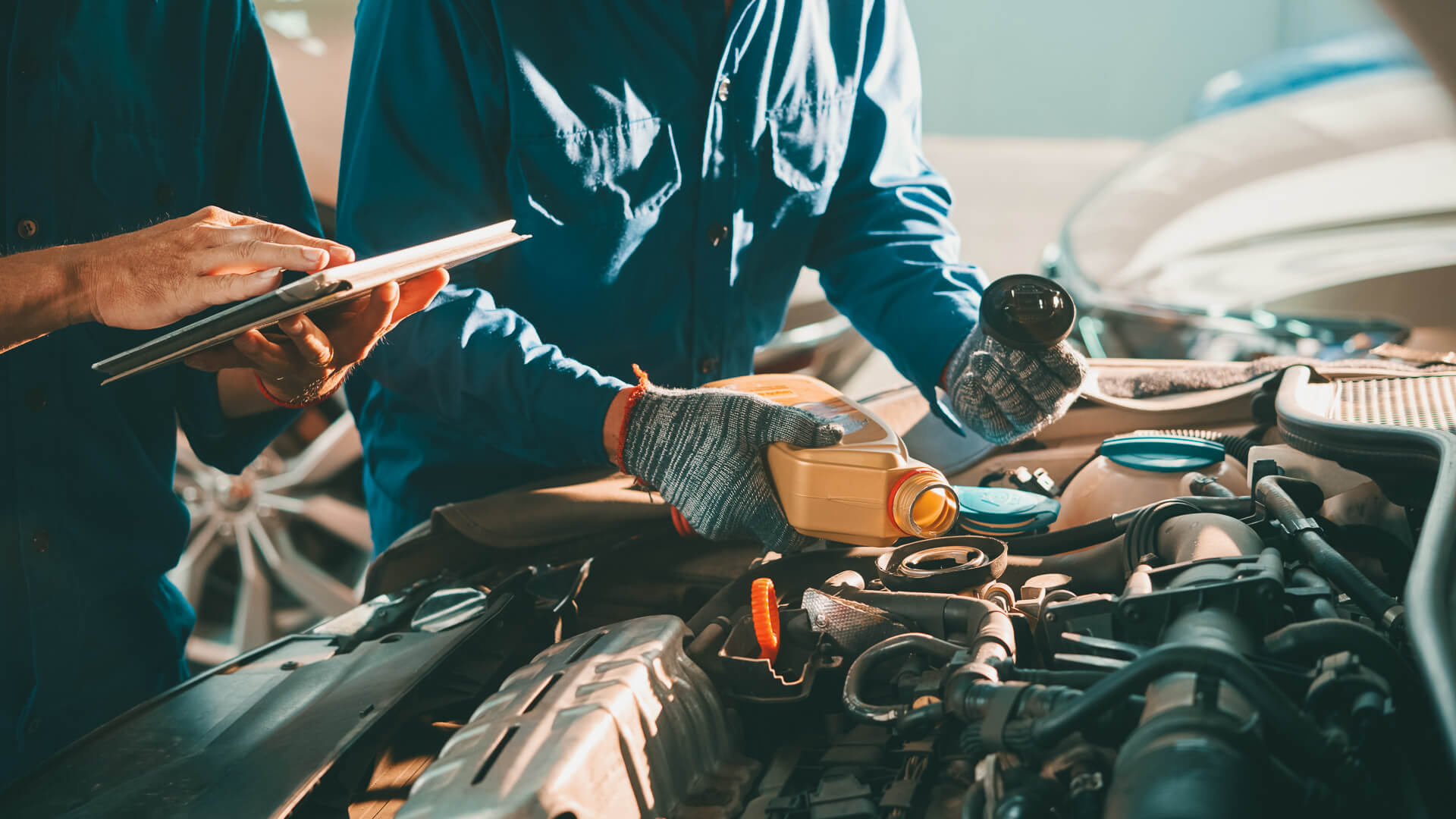 The best way to get the most out of your trade-in is to keep your car in good condition, well-maintained and serviced on a regular schedule. That includes basics like regular washes, oil changes, tire rotations and fluid top-offs. Don’t smoke in your car and don’t transport pets, but if you do, pay extra attention to keeping the interior clean. 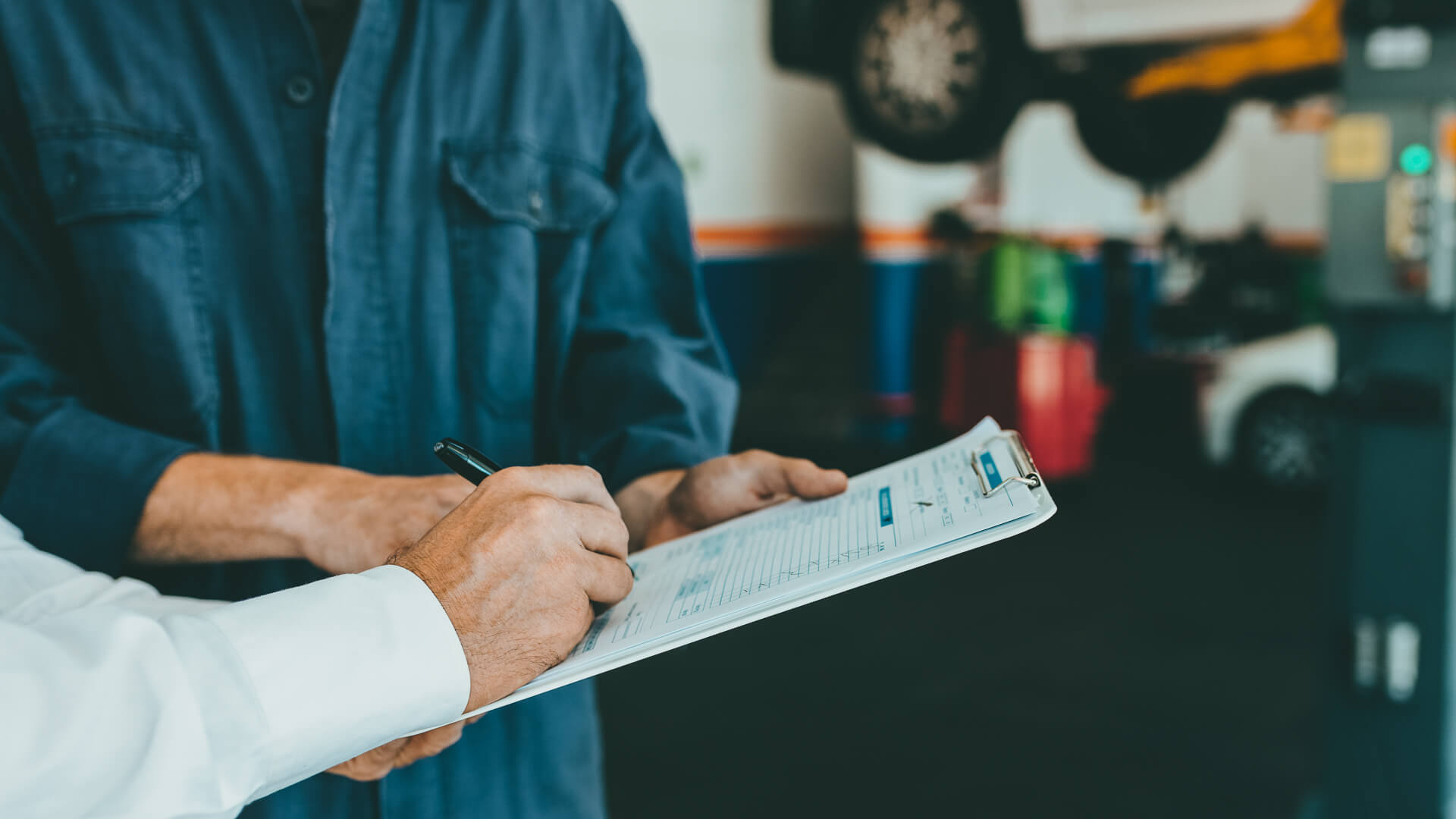 When you do get your car serviced, maintain records of those oil changes, tire rotations, air filter replacements, etc. This is especially important for milestone service appointments like 30,000, 60,000 and 90,000 maintenance checkups. When you can prove that you followed a strict maintenance program, you can expect to get more at trade-in. 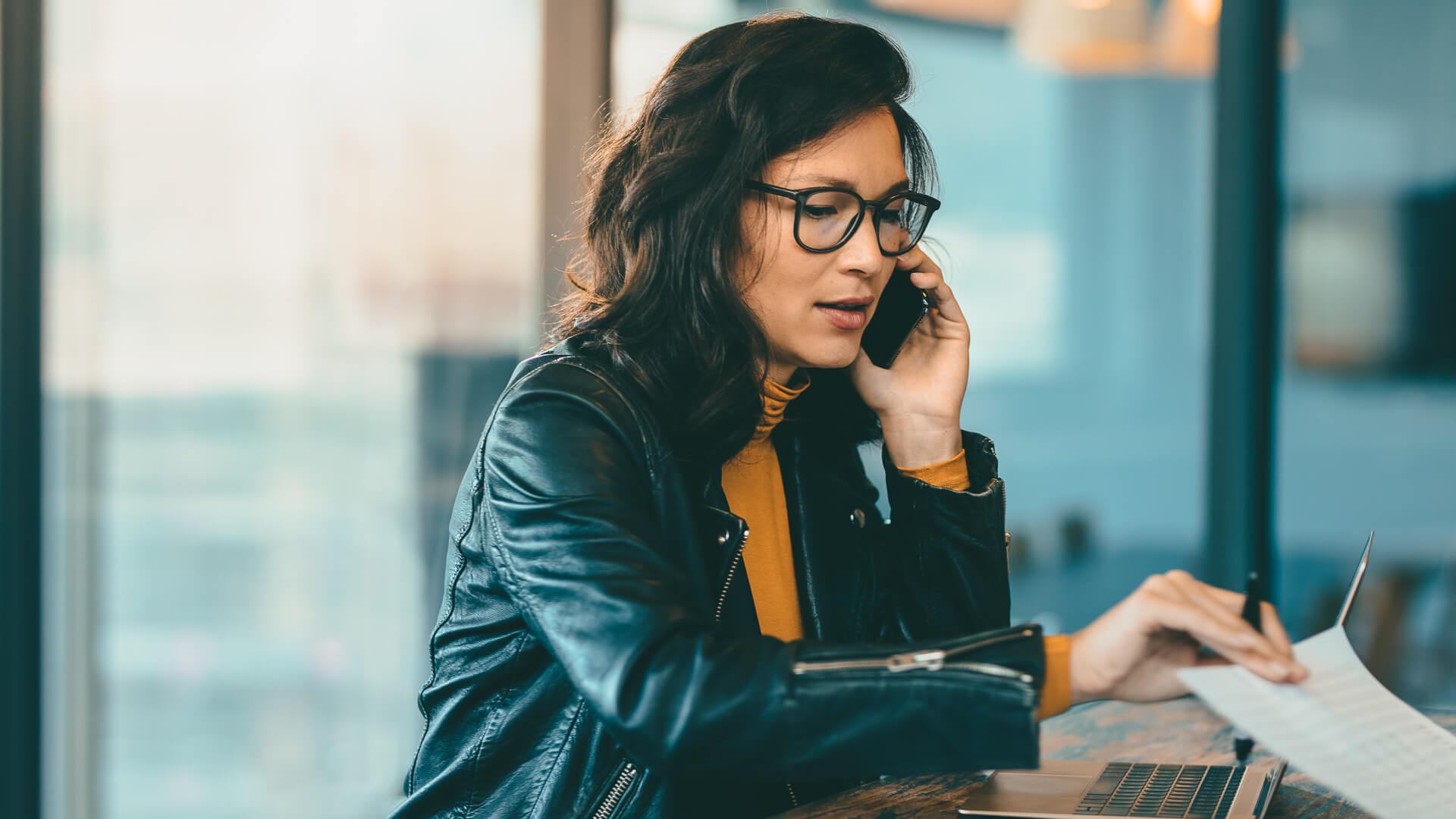 Before you head to the dealership, research trade-in values so you can enter negotiations with an idea of what your car is worth. Many sites can help you do this, but the most reputable and widely used is Kelley Blue Book. The site provides a simple tool that estimates your trade-in value and another that gives you instant cash offers unique to your car from dealers near you. 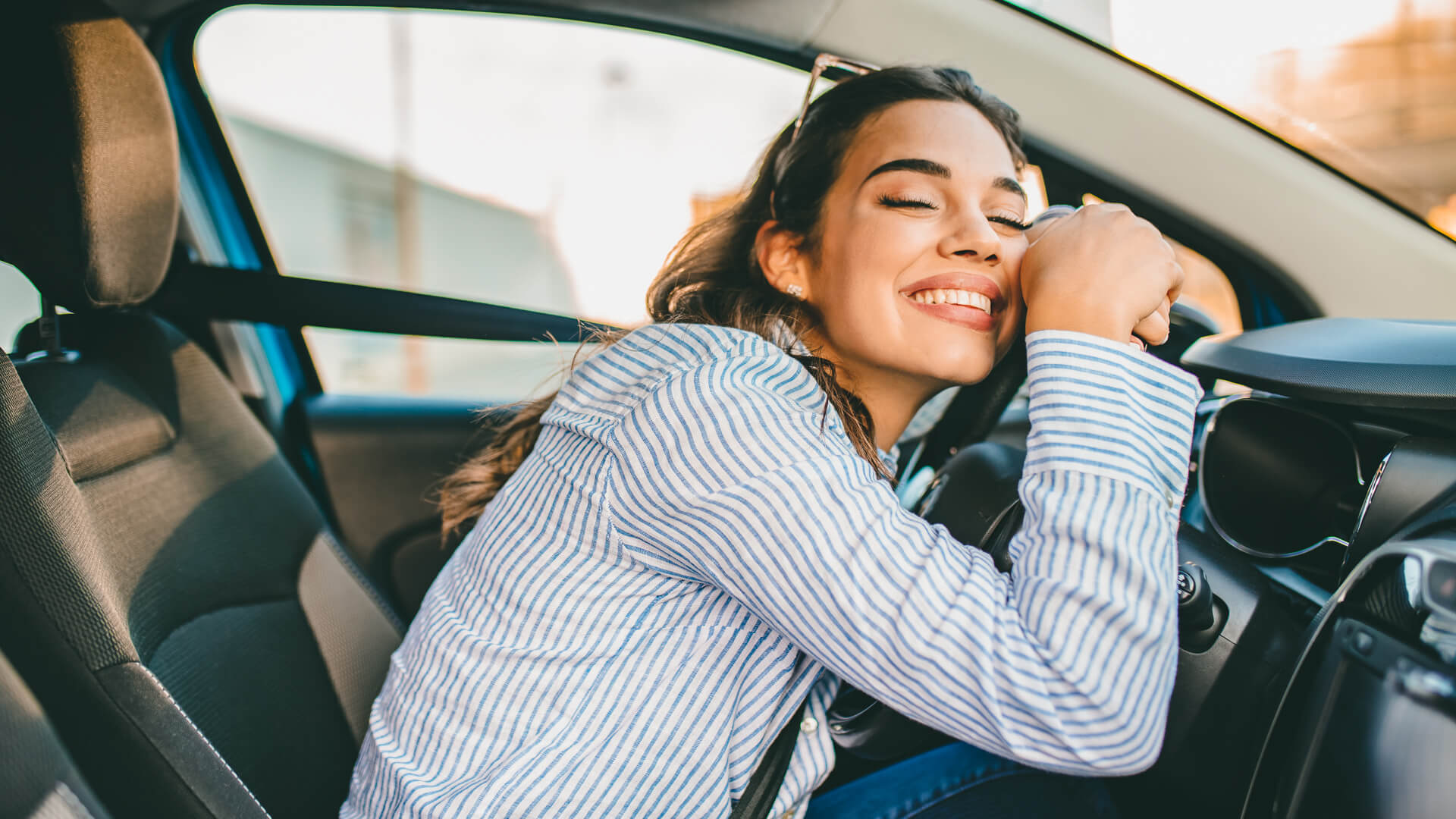 Your car might have sentimental value for you. It doesn’t for anyone else. Detach emotionally and educate yourself about the concept of depreciation. Even if you maintained it meticulously, drove it well and avoided accidents and excessive wear and tear, expect even the most reputable dealer to offer you less than you think it’s worth. Cars depreciate quickly and dramatically and dealers are in the business of making money off of trade-ins, which means you’re hoping to get the car’s wholesale value, not its retail value.

Check Out: Car Manufacturers That May Not Survive the Coronavirus Pandemic 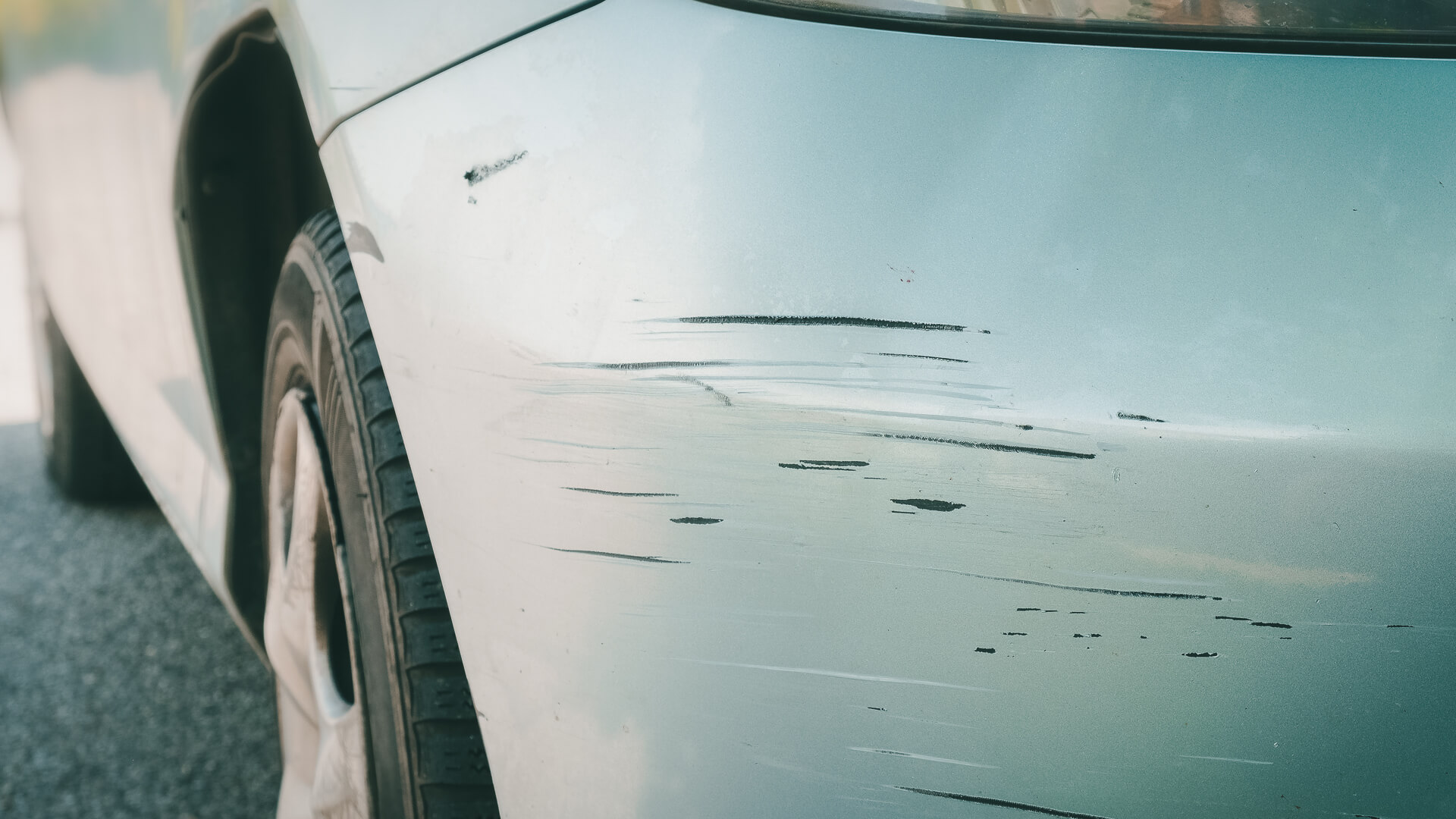 Be Realistic About Your Car’s Condition

The KBB calculator, like most similar tools, requires you to estimate your car’s condition, with KBB’s options being “fair,” “good,” “very good” and “excellent.” Here, too, resist the urge to highball. KBB values just 3% of cars as being in excellent condition, with less than 1 in 4 even qualifying as very good. The majority — 54% — wind up with a valuation of “good.” 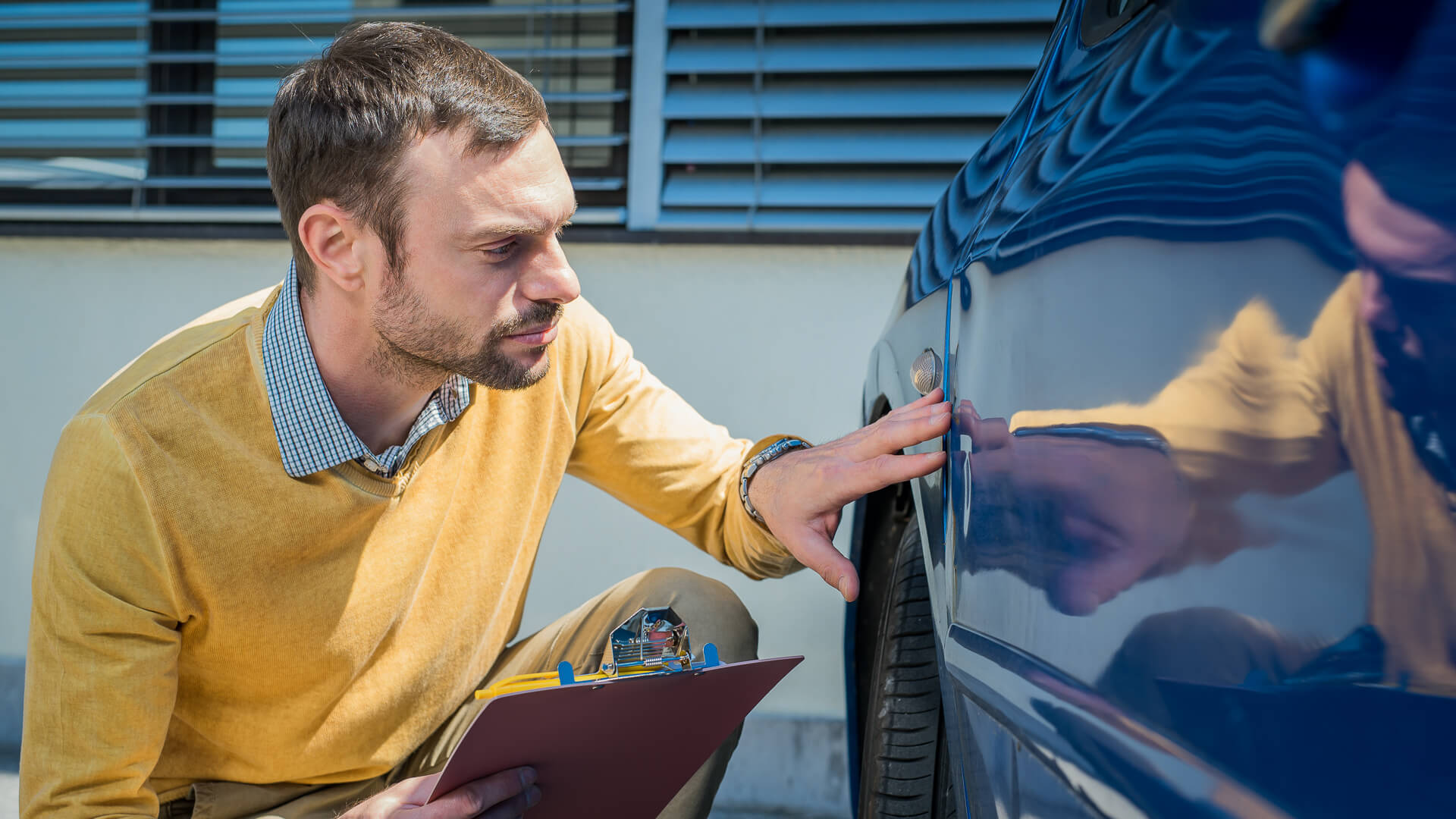 Once you have a general idea of what your car is worth, find out for sure by getting it appraised. Edmunds recommends going to CarMax, whose appraisers will examine your car in person. You can set up an appointment online, and although you don’t need one, an appointment will speed up the process significantly. If you take this extra step, you’ll enter negotiations with a written appraisal. 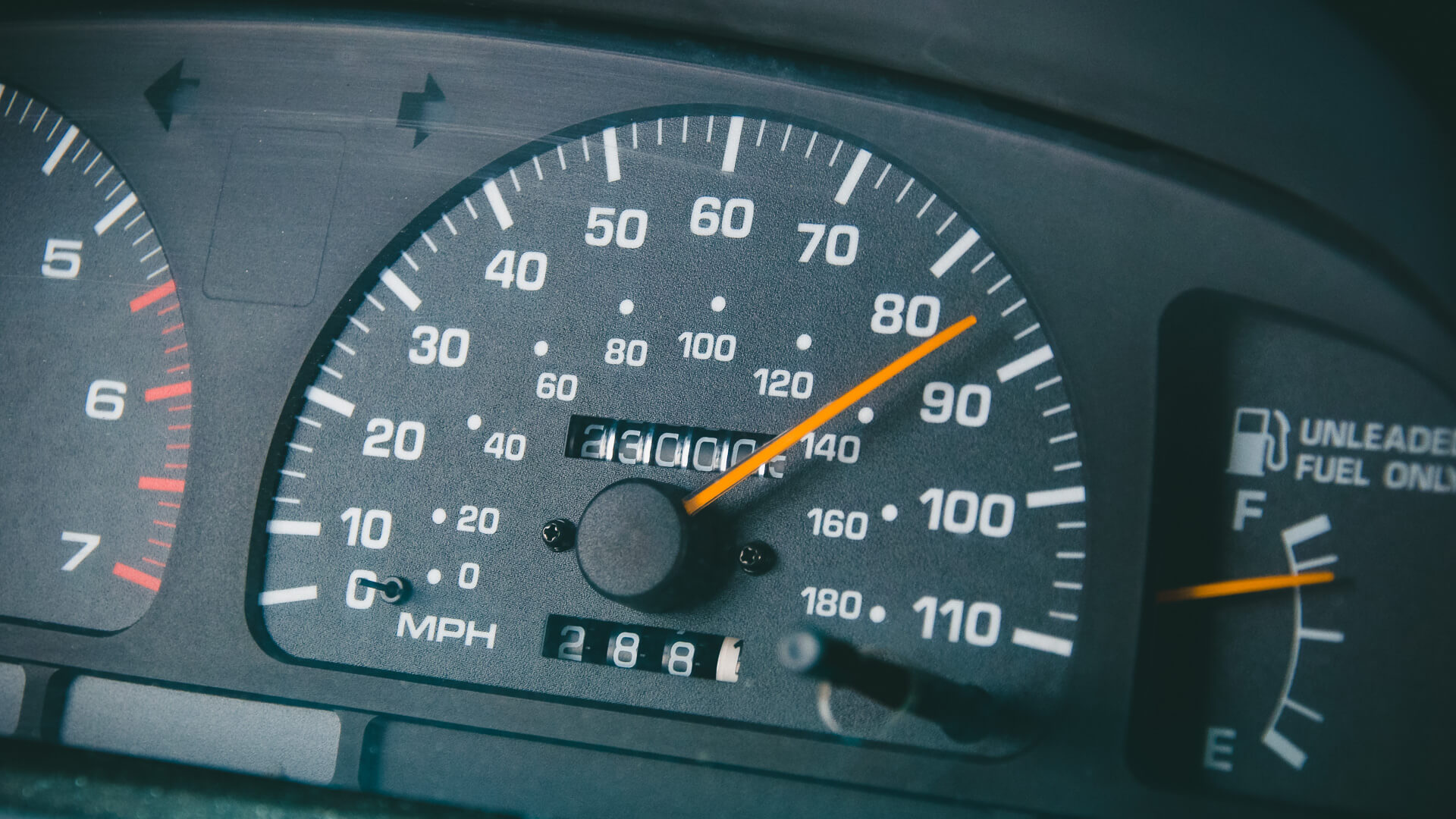 It’s easy enough to overlook something that is one of the most important considerations in terms of what you can expect to get at trade-in — your mileage. Know what it is and figure it into your calculations. There was a time when any vehicle with six figures on the odometer was considered a high-mileage car. According to Edmunds, that is no longer the case and the 100,000-mile mark is merely a psychological barrier.

The vast majority of depreciation occurs within the first 20,000 miles. After 40,000 miles, depreciation drops off significantly and becomes a much slower and steadier devaluation process. If you have an older car with six-figure mileage, be prepared to encounter a dealer who tells you that 100,000-plus mileage vehicles lose most of their value. That’s simply not true anymore — at least not always — as older cars with more miles are in high demand.

Be Aware: 16 Things That Hurt Your Car’s Value 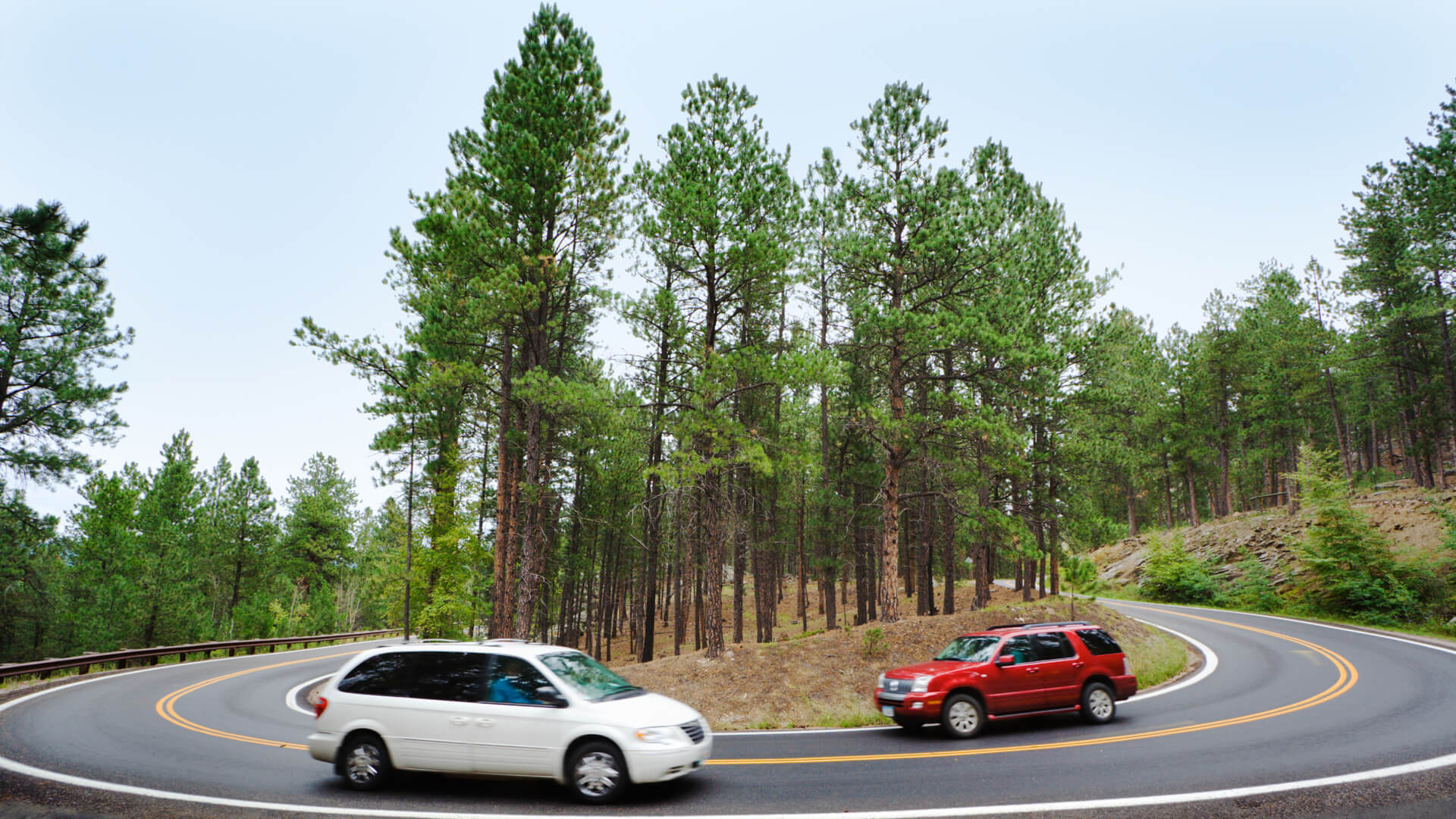 General rules regarding mileage and value vary dramatically by vehicle type. Midsize cars, for example, lose half their value much more quickly than midsize SUVs, which retain 50% or more of their value for much longer. A 2015 midsize car, for example, will lose half its value at around 70,000 miles, compared to 90,000-100,000 miles for a midsize SUV from the same model year. 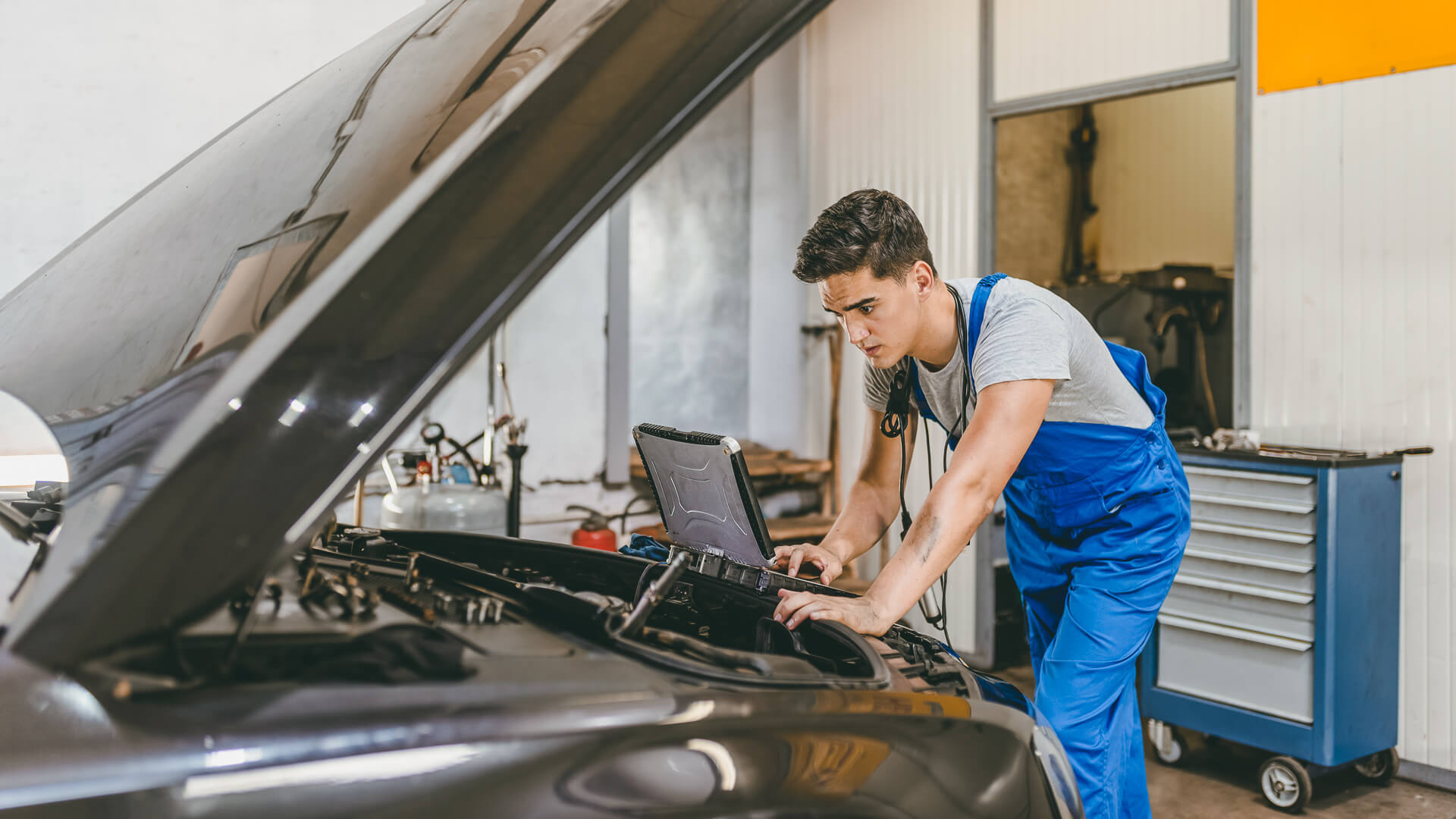 If the dealer finds anything wrong with the car that needs to be repaired, you’ll pick up the tab in the form of the reduced trade-in value. That, however, doesn’t mean you shouldn’t get it inspected. You should, if for nothing else than to be able to challenge the dealer if the service department says the car has mechanical problems. What you shouldn’t do, however, is pay to make significant repairs. You’ll likely spend more getting the car fixed than you’ll lose in trade-in value. 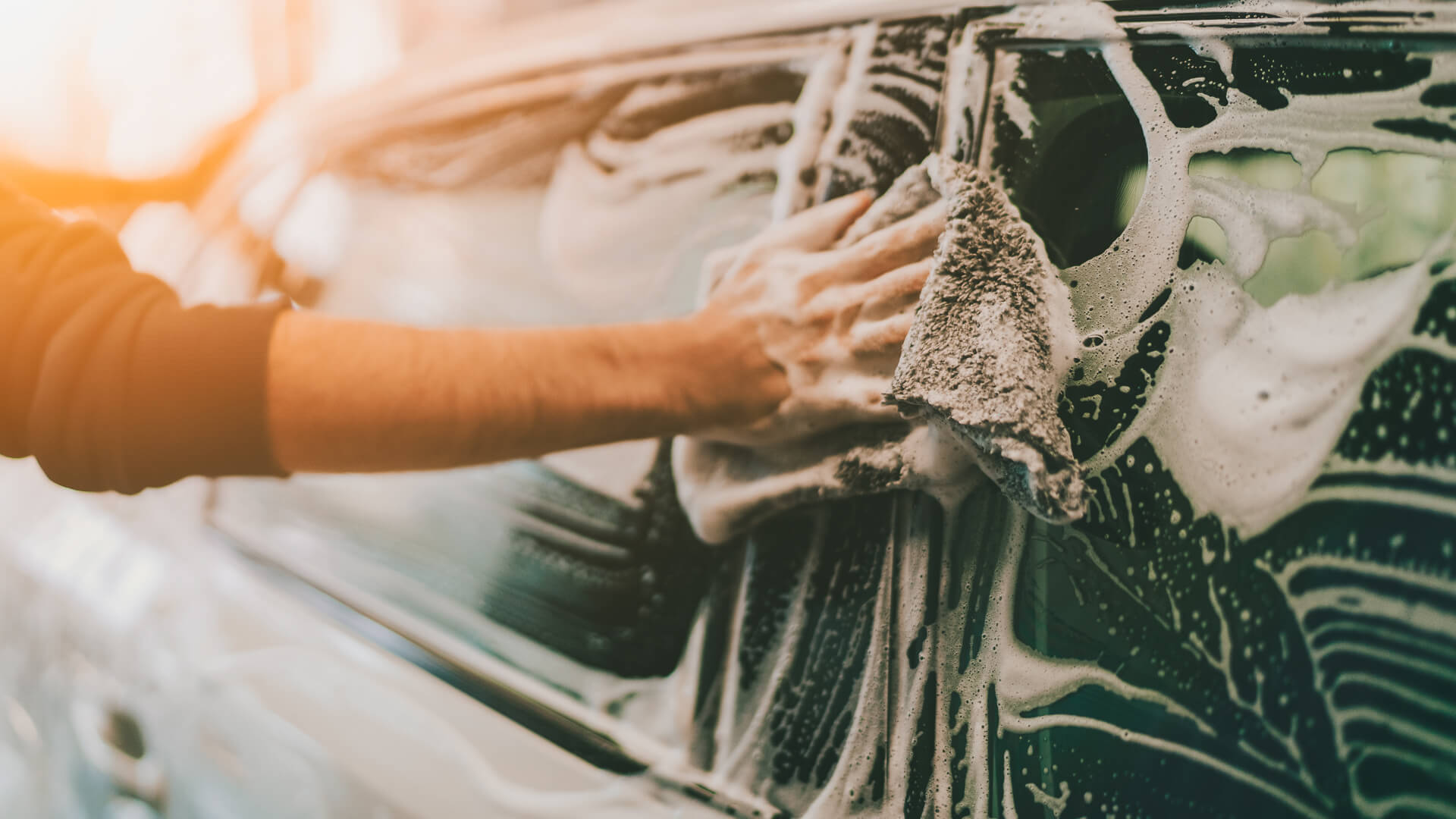 Give It Some TLC

Make sure to spruce up your car before you bring it in and make sure it looks its best — cosmetic and aesthetic appeal does have an effect on trade-in value. Wash your car, remove all your personal belongings, clutter and anything else that’s inside. Vacuum the upholstery, seats, floors and carpeting; wipe down the vinyl, wood or any other hard surfaces; and clean the windows and headlights. 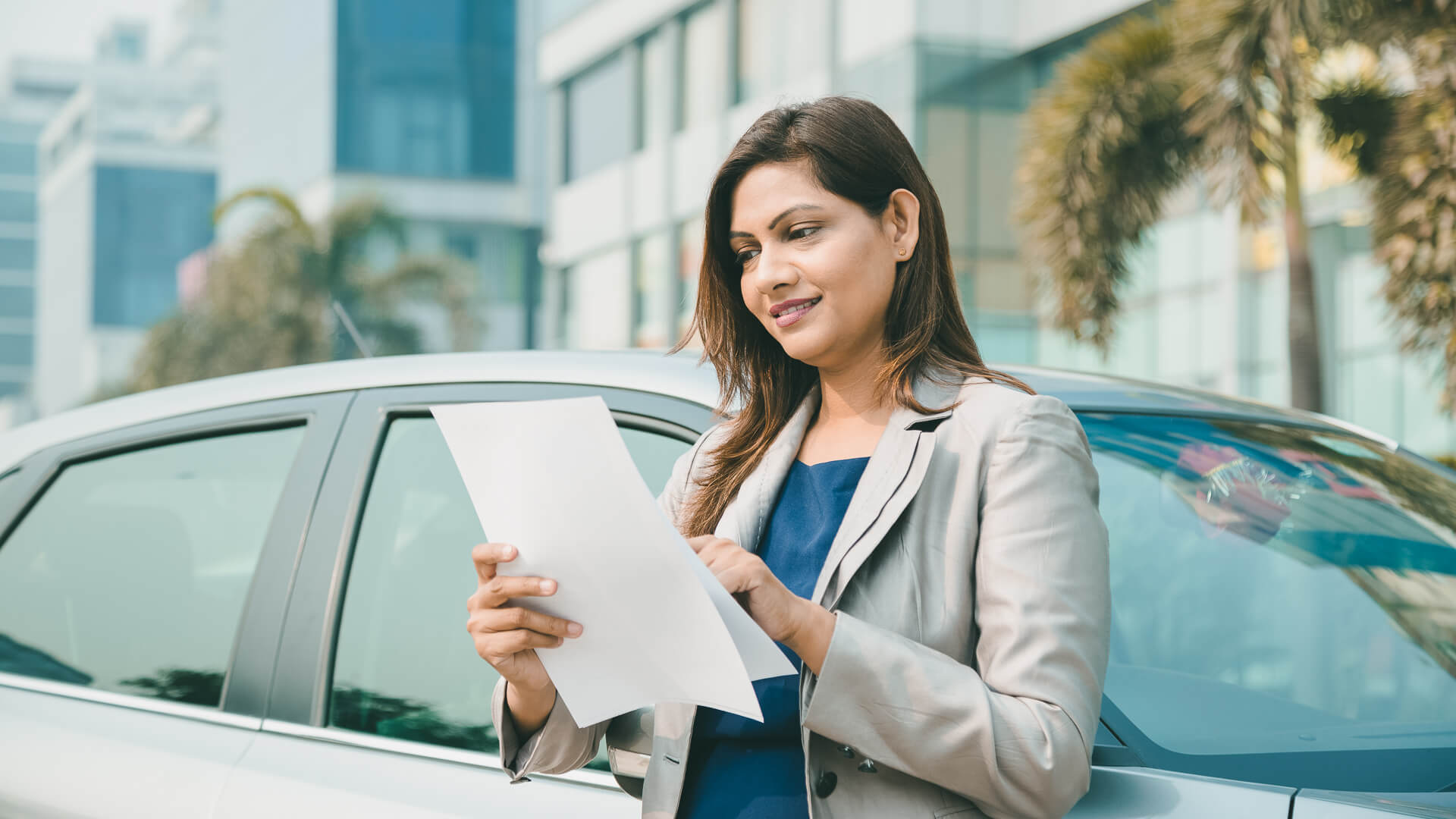 Now it’s time to make sure you’ve got all your paperwork in order. Most importantly, make sure you have the title — you won’t be able to trade in your car without it. The title proves you own the car, that you don’t owe money on it and that you’re legally able to sell it. It also proves that it’s not a salvage vehicle and that the vehicle identification number matches up. You’ll also need your license, the car’s registration, the original owner’s manual and all existing keys.

If You Can Afford It: 30 Cars Worth Splurging On 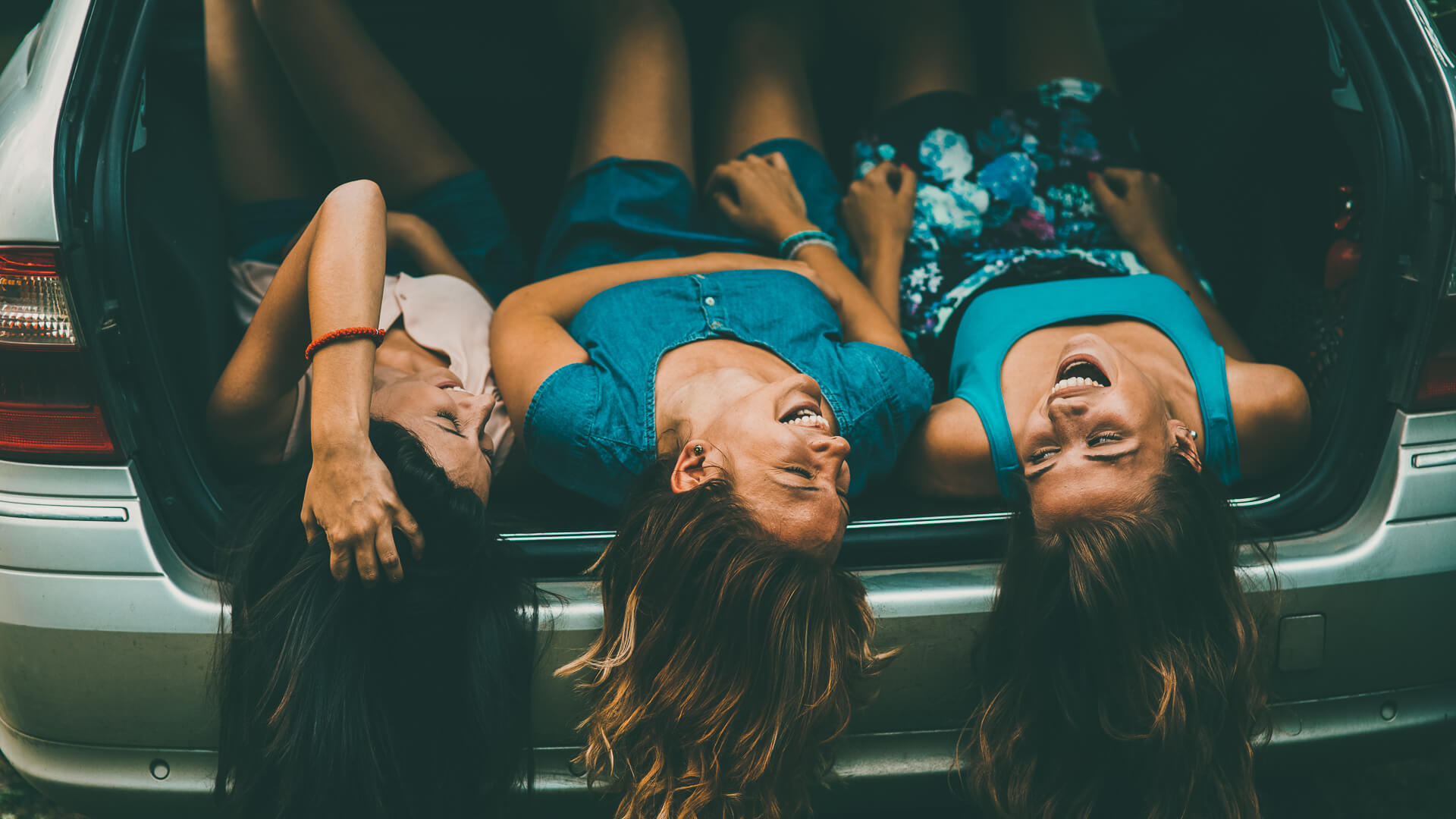 Determine If You’re Upside Down

You can trade in an old car even if you still owe money on the loan you took out to finance it. You might even be able to trade it in if you’re upside down on the loan. That’s a term describing negative equity, which means you owe more on your loan than the car is worth. If that’s the case, you’ll likely have to fold that balance into your new loan on the car you’re purchasing, which means you’ll owe more, make larger monthly payments and put yourself at risk of becoming upside down again. 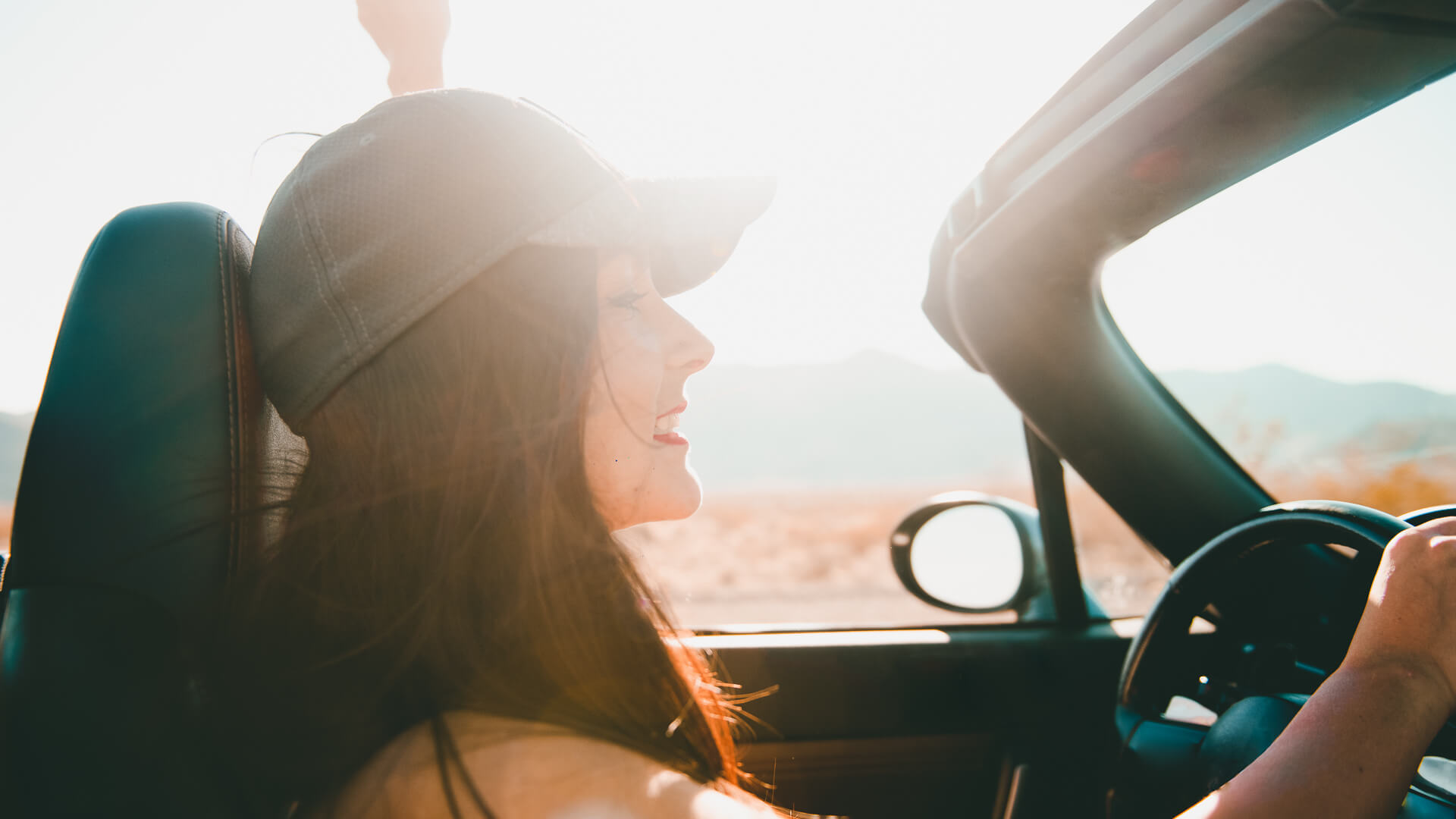 The time of year that you sell your vehicle can have a big impact on what you can expect to get for it at trade-in. That’s because some types of vehicles are in higher demand — and are therefore more valuable — at certain times of the year. Convertibles, for example, can fetch a higher price in the summer. SUVs, on the other hand, tend to command a higher asking price in the winter. 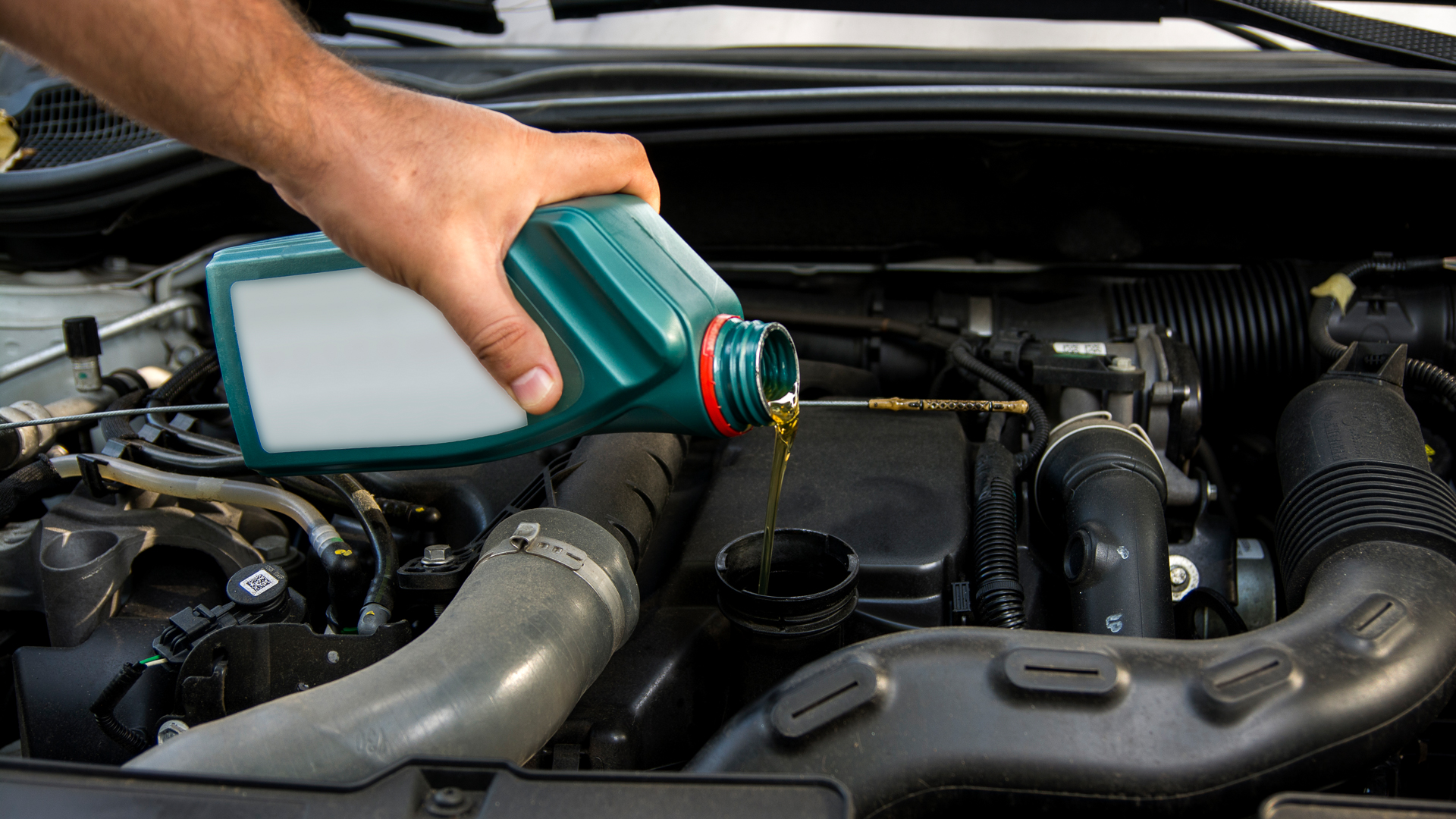 Top Off Your Fluids

Before you head to the dealer, top off your oil, windshield washer fluid and other essential fluids. It’s simple to do for both you and the dealer, but if the dealer has to do it because you neglected to, it will likely cost you more at trade-in than you would have paid for the fluids. 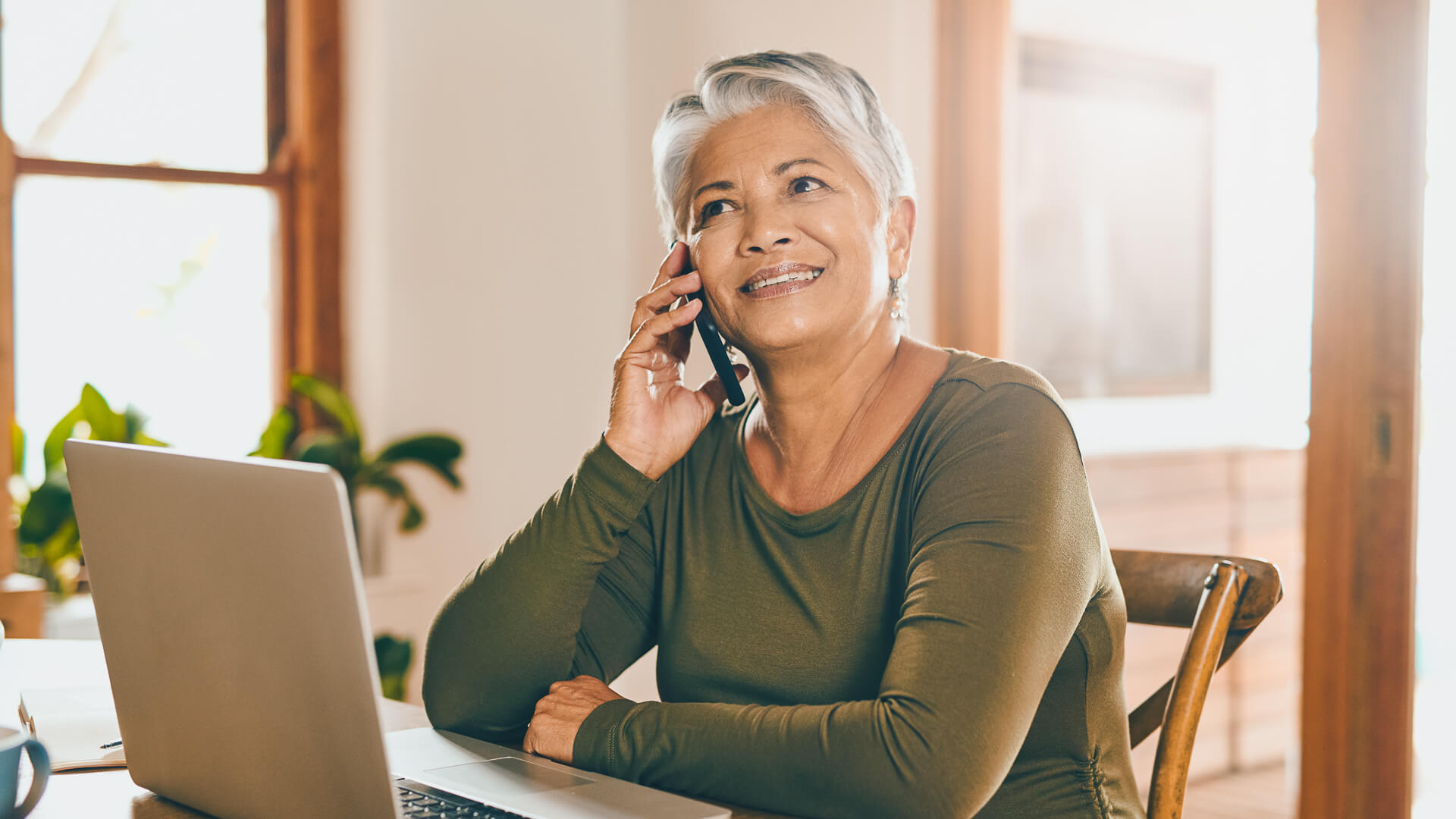 It’s good to put out some feelers with a phone call before you head to the dealer. Ask about trading in your car and how the process works. More than just gathering that information, however, a call to the dealer can give you a feel for what kind of business you’re dealing with. If they overpromise, if they’re reluctant to give you any information, if they pry for personal details that you’re not comfortable revealing, you can assume it will only get worse when you are there in person. 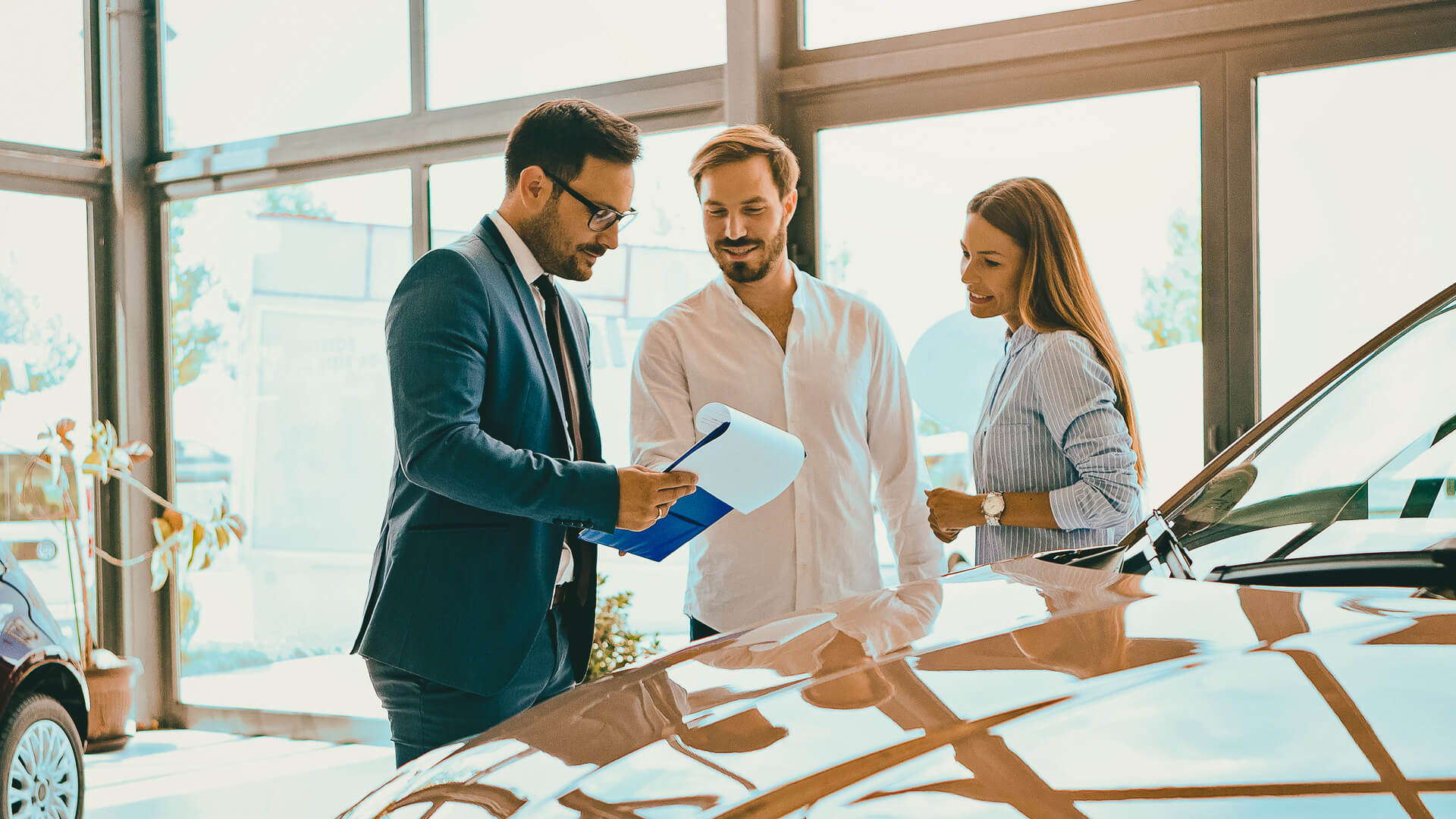 Tax laws surrounding trade-ins differ from state to state, so make sure you understand the tax implications specific to where you live. Some states don’t charge tax on the purchase of new vehicles. In those states, you’ll likely only have to pay tax on the difference between the price of the car you’re buying and the value of your trade-in. Other states, like Illinois, passed laws specifically to tax trade-ins. 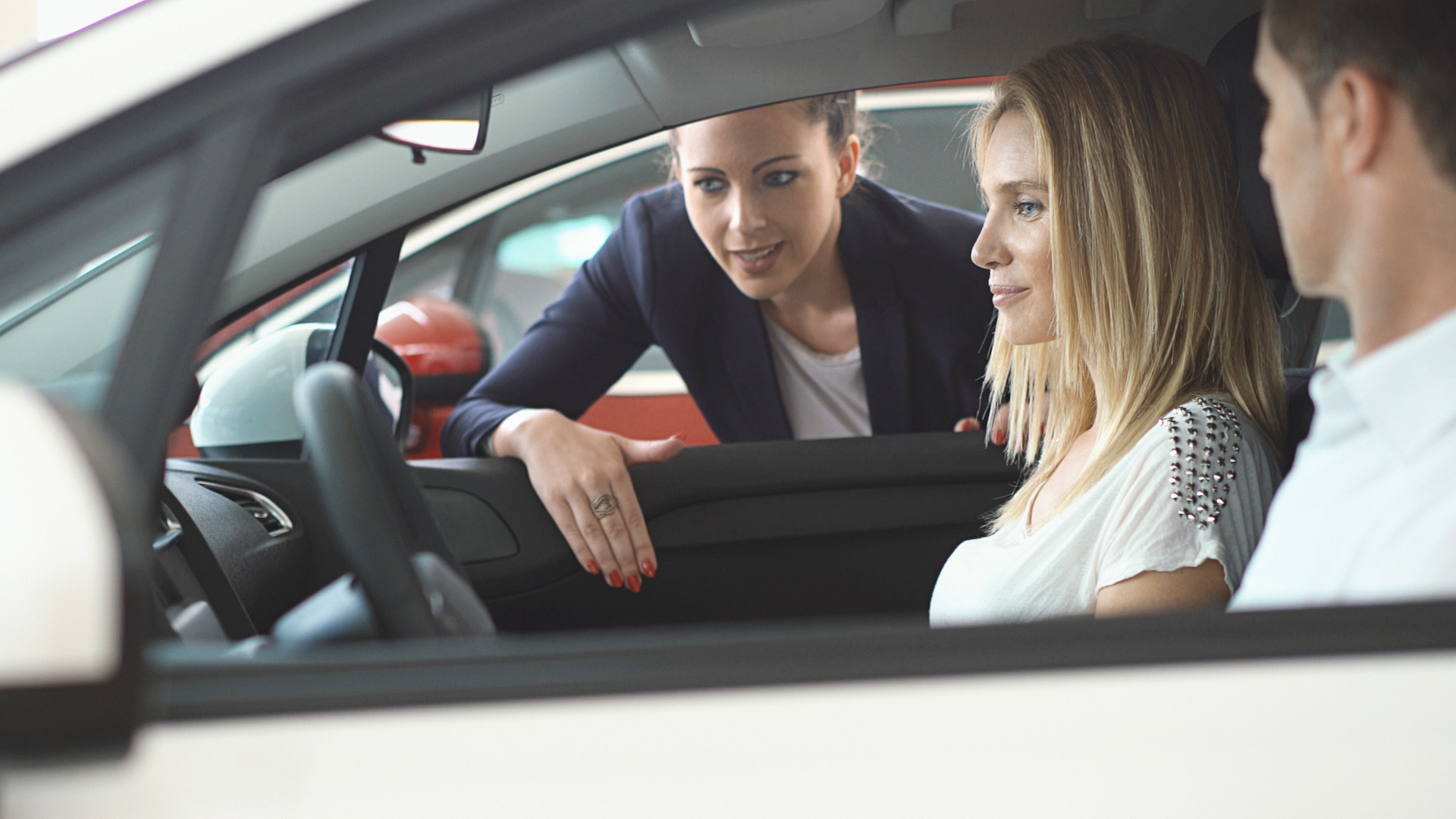 Think About What To Say

Resist the urge to go into the dealership with a hardball attitude. According to Edmunds, you’re best served by being pleasant and making it clear that you want to give them your business on the condition that they’re willing to give you what your car is worth at trade-in. Incentivize them to work with you by letting them know you’re prepared to buy a car, but be firm in your insistence that you’ll walk away before you’ll take less than what your car is worth. 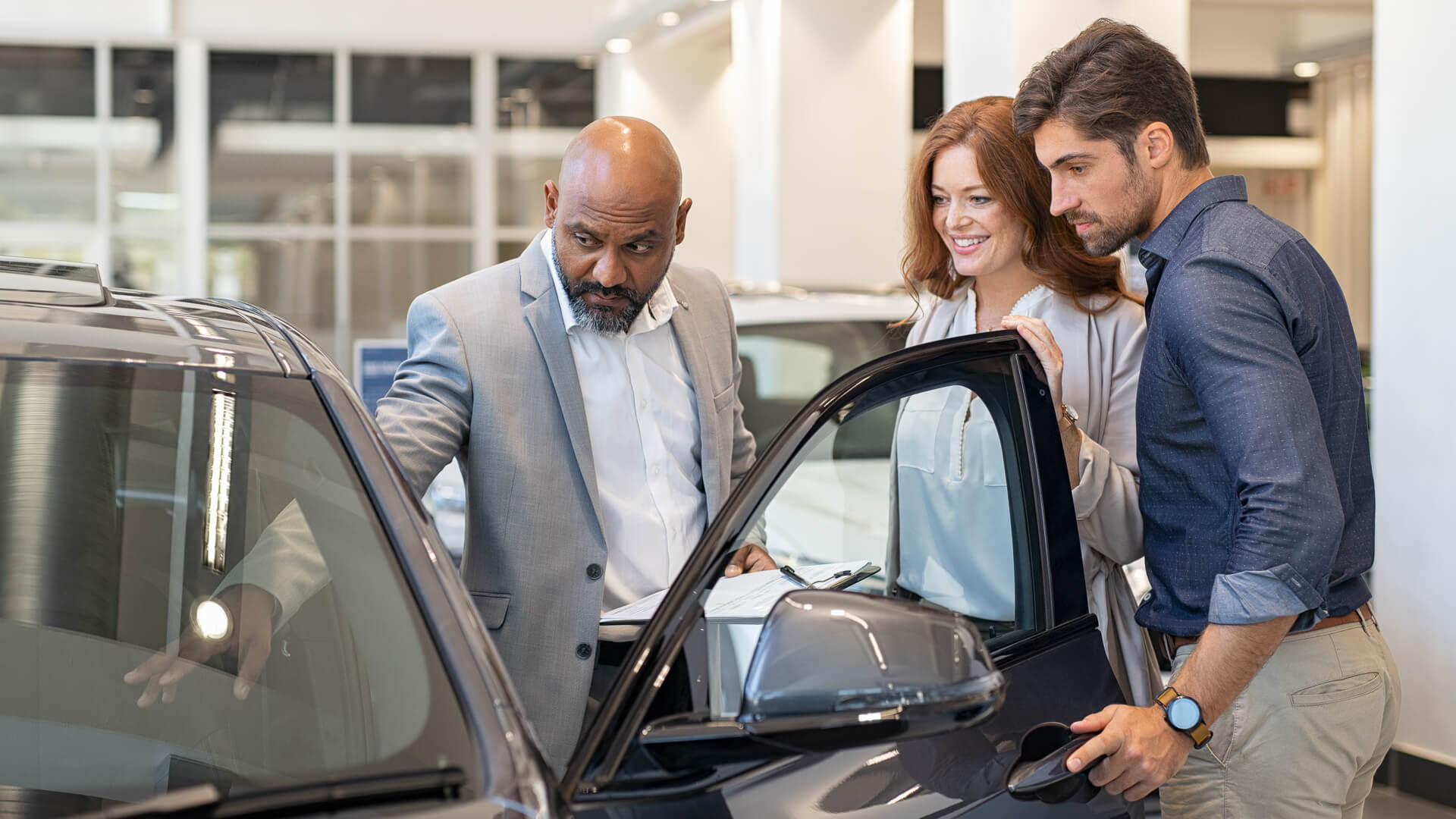 Think About What Not To Say

If you’re eager to get the deal over with, don’t announce that. Don’t appear overeager and don’t show your cards. Namely, don’t mention the value you received at your independent appraisal — at least not until the dealer makes an offer. If the dealer makes an offer that feels low, then you can use your appraisal as leverage during negotiations. Also, don’t go out of your way to point out flaws or defects. Never take action to conceal problems, mechanical or otherwise, but let the dealership do its own due diligence.

Big Changes: 25 Ways the Coronavirus Has Upended the Auto Industry Across the Globe 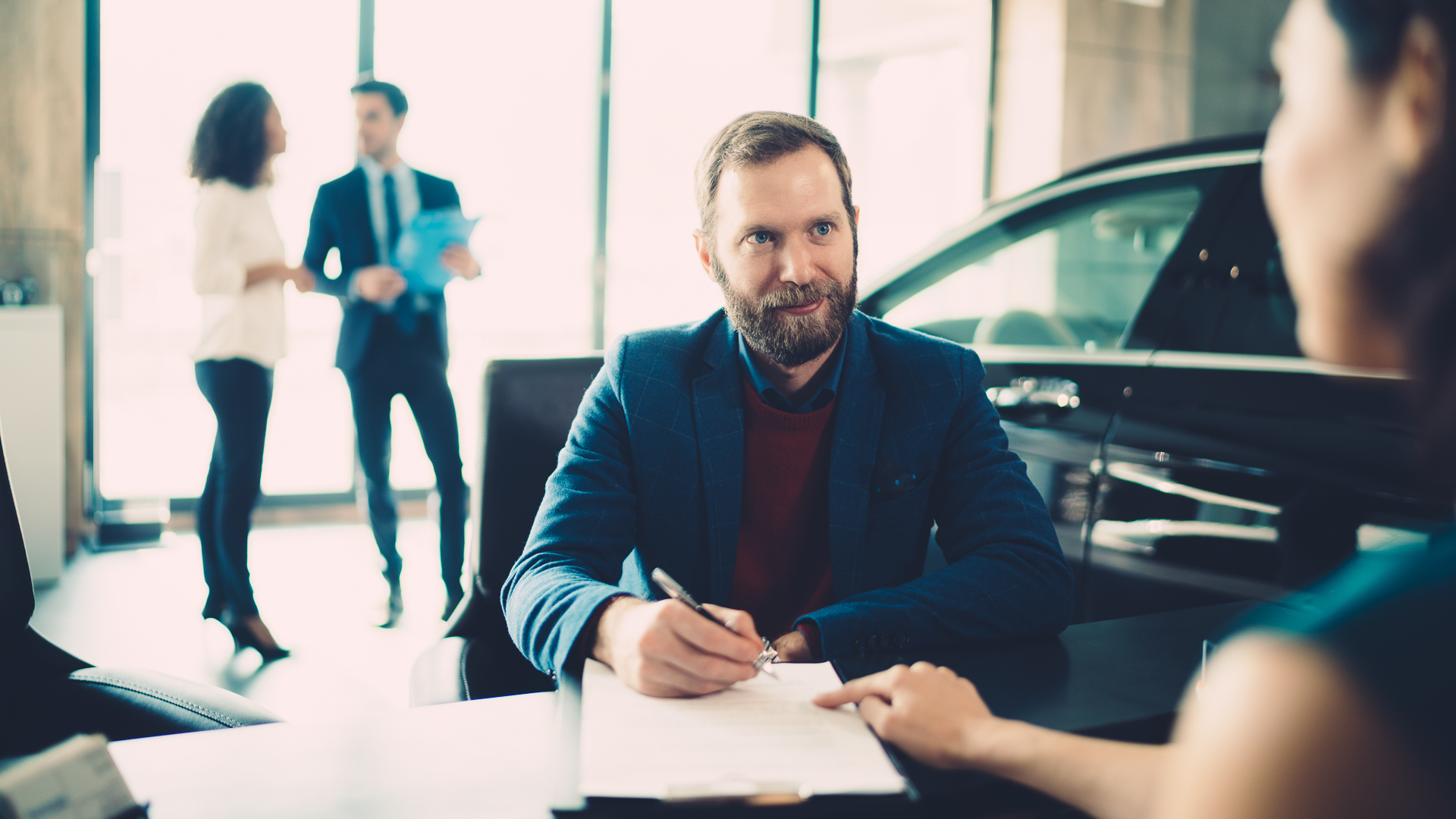 Be Upfront and Honest

It’s a common myth that it pays to pretend you have another, better offer than the one you get from the dealer. According to Edmunds, this rarely works. The dealer’s appraiser will quickly learn the true value of your car, and the dealer could easily call your bluff and ask to see the offer you mentioned in writing. Just as you don’t want to deal with a dishonest dealer, dealers don’t want to deal with dishonest customers. 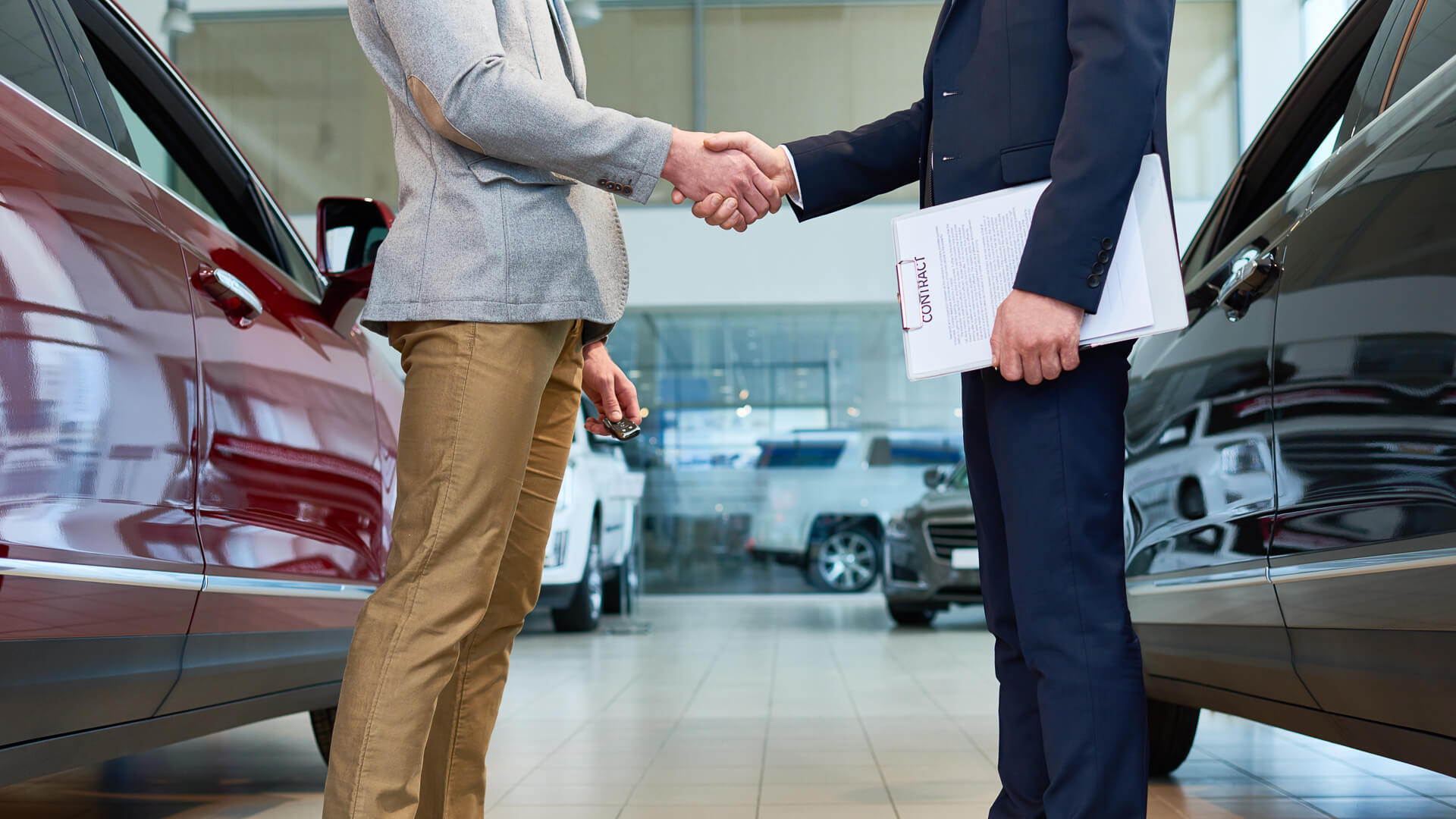 It’s common for car buyers to focus so much on negotiating the price of the new car that they treat the trade-in as an afterthought. That’s a mistake. As with most negotiations, the dealer is likely to start with a low offer expecting you to go high with the expectation of meeting in the middle. Remember that the goal is to get as much out of your trade-in as possible, which you can’t do if you jump ahead to thinking about the price of the new car before you’ve come to an agreement on the trade-in. 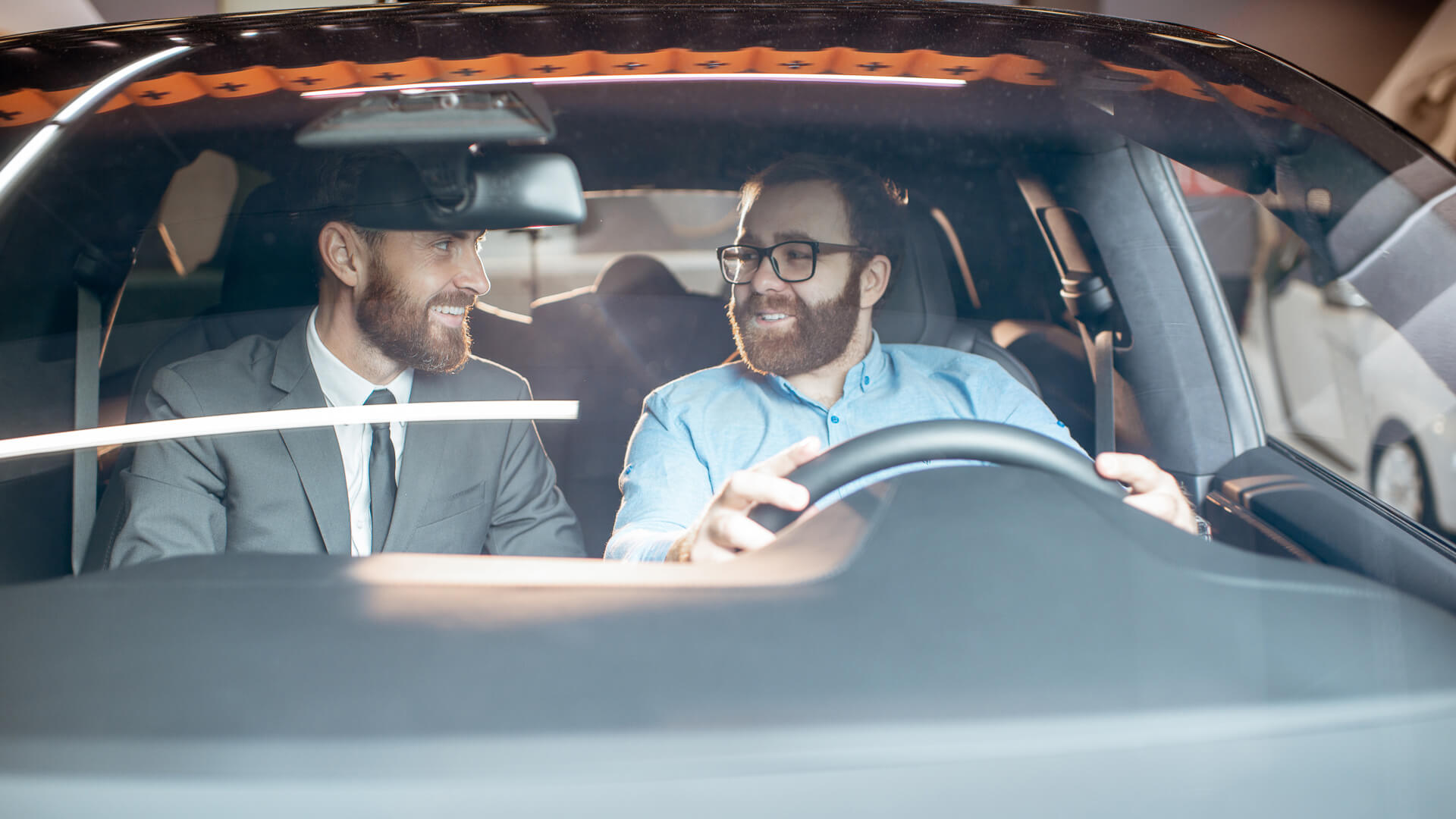 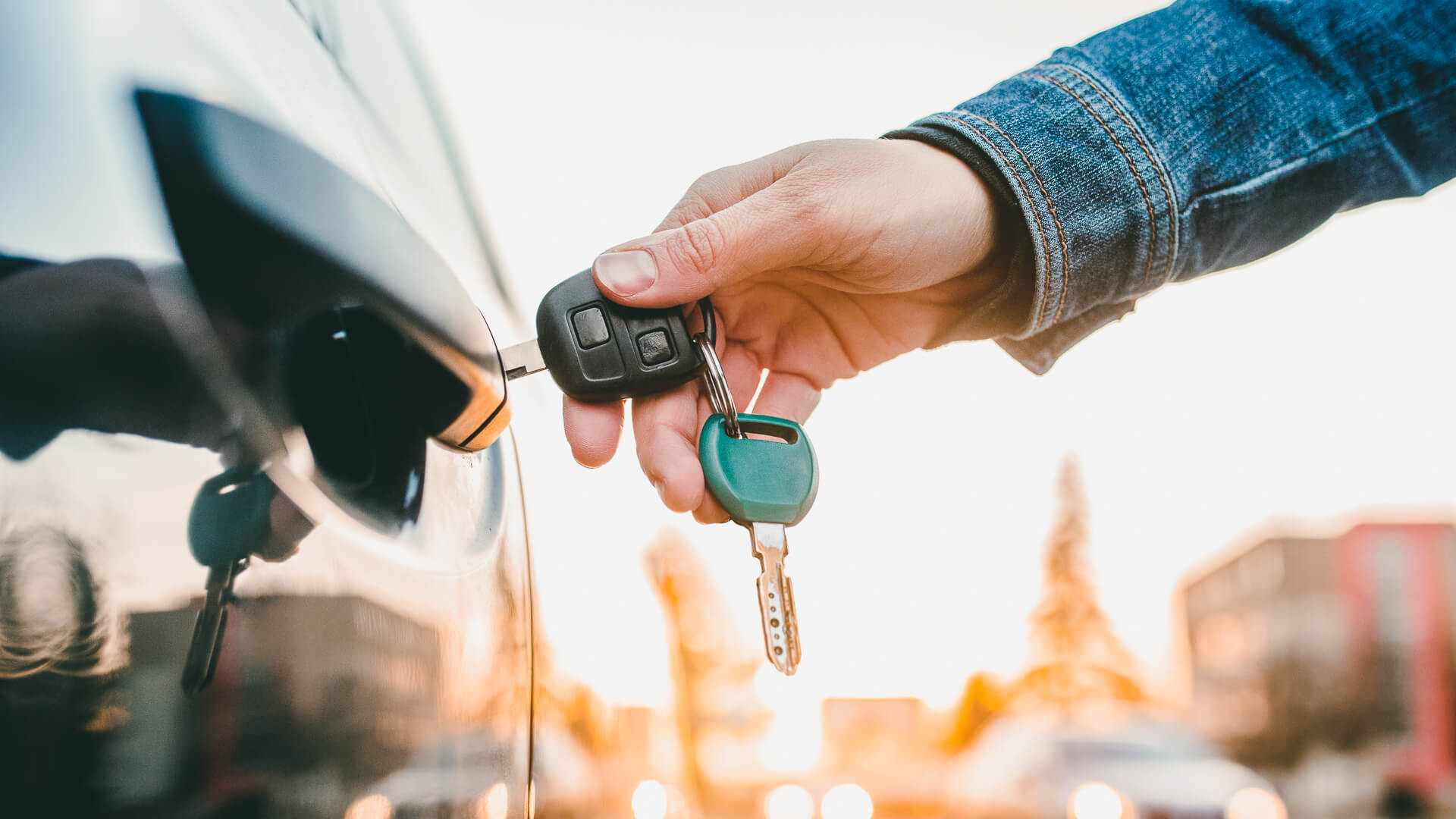 Don’t turn your keys over to the dealer, which they might request in order to appraise or inspect the car. Once the keys are out of your possession, the salesperson could turn them over to a third party like a manager. Not having the keys, of course, makes it difficult to leave should you choose to walk away, which gives the dealer more time to try to talk you out of your decision. 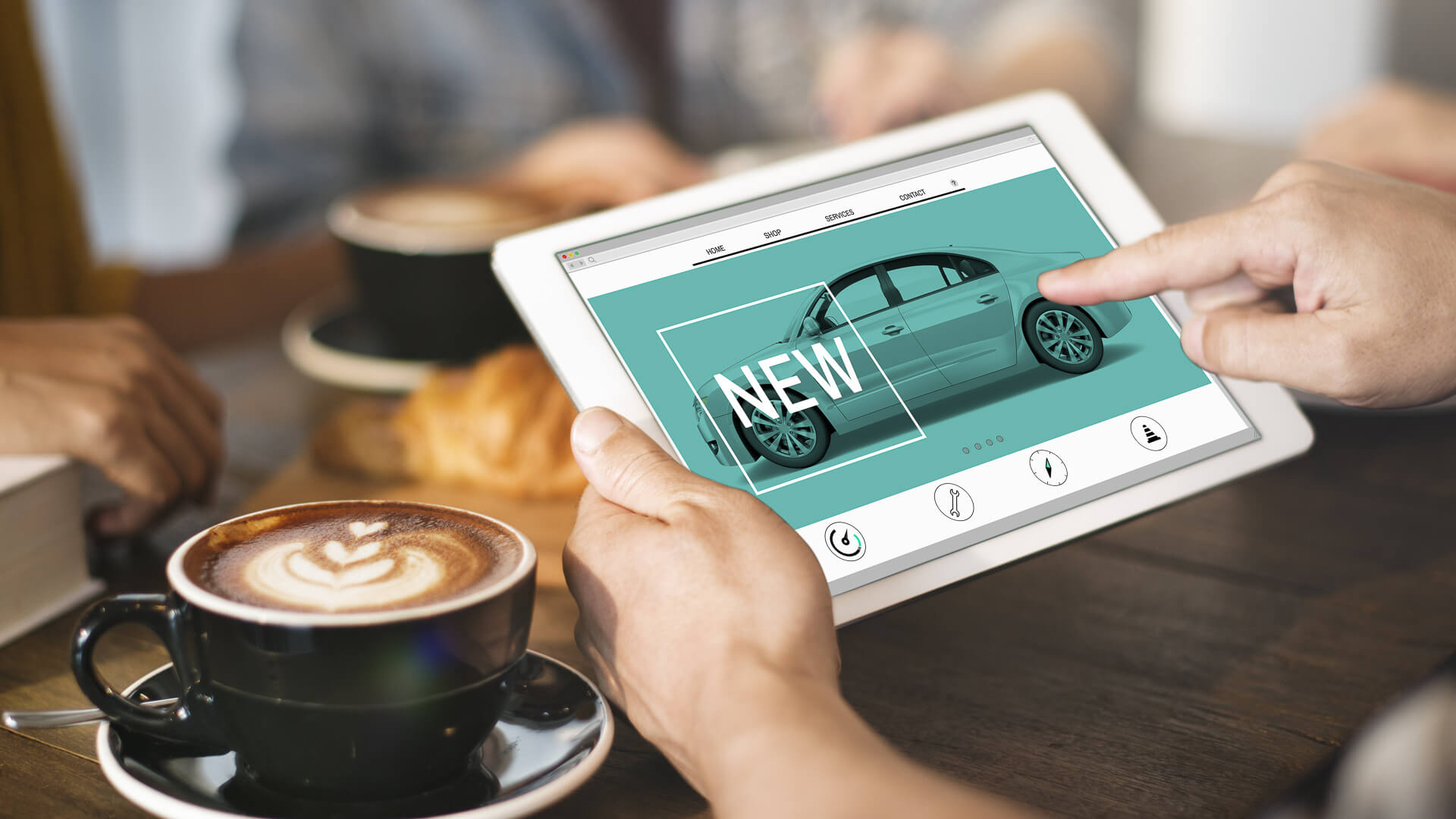 As with any major purchase, it’s a good idea to consider several options before you pull the trigger. Visit competing dealerships in your area, including dealers representing the same automaker, to see what you can get for your trade-in as well as for the lowest price on the car you’re purchasing. Let them know you’re shopping around — competition always favors the buyer. 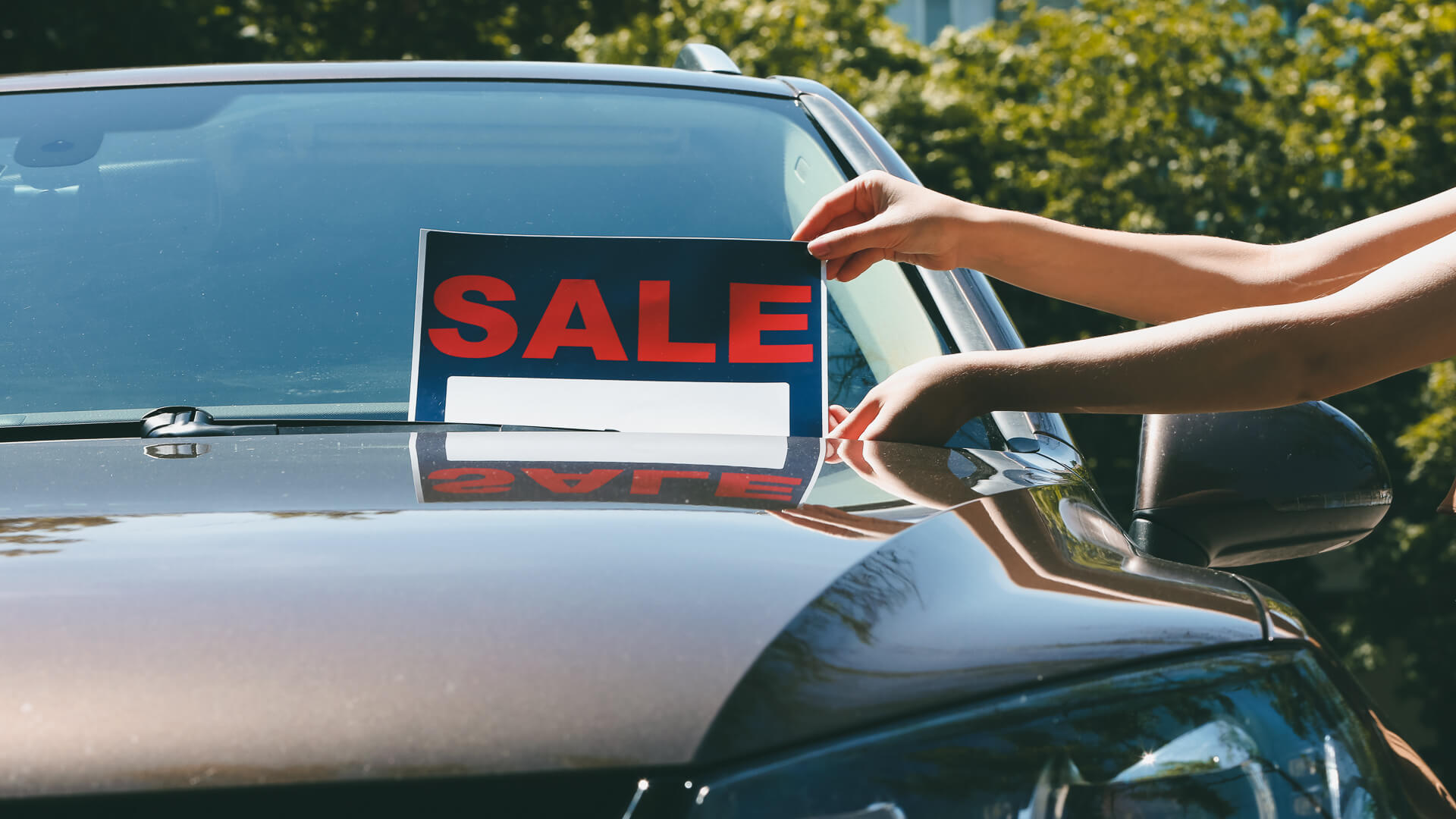 In most cases, you’ll get more money by selling your car separately than you will from trading it in to a dealer who has to sell that car for a profit, likely after paying to recondition it. As previously stated, Carmax will appraise your car for free — but they’ll also give you a cash offer that you can take on the spot. If you want to think it over, Carmax offers are good for seven days. There are other ways to sell, but few that are faster, simpler and more straightforward if you decide trading in isn’t for you.