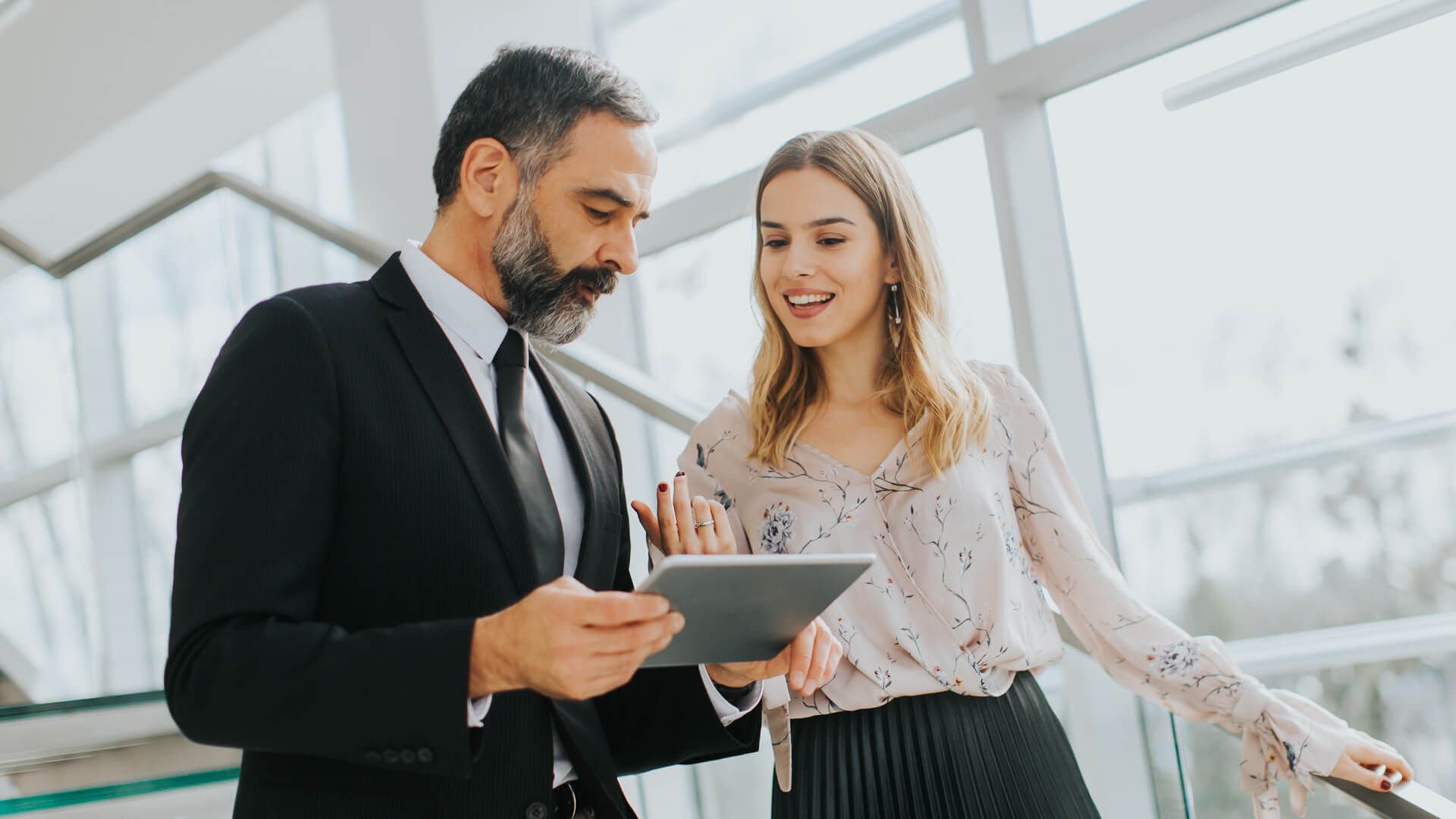 When you find yourself in a conflict with a colleague or superior at work, it’s important to express yourself clearly and in a way that doesn’t feel like you’re attacking the other person. Speaking in a way that’s confrontational can provoke hostility and defensiveness — and in a worst-case scenario, could cost you your next raise or even your job.

Many business and career experts have long toted the use of “I” statements to bring up something that’s bothering you in a way that makes it clear you’re expressing your own feelings and experiences rather than critiquing the actions of someone else. For example, an “I” statement would be, “I feel that my concerns are not being heard,” which comes off as less confrontational than, “You’re not really listening to me.” But sometimes, “I” statements might not be the best way to communicate in a work setting. Here’s why you should — and also shouldn’t — start your next work conversation with “I” if you want to get a raise at your job. 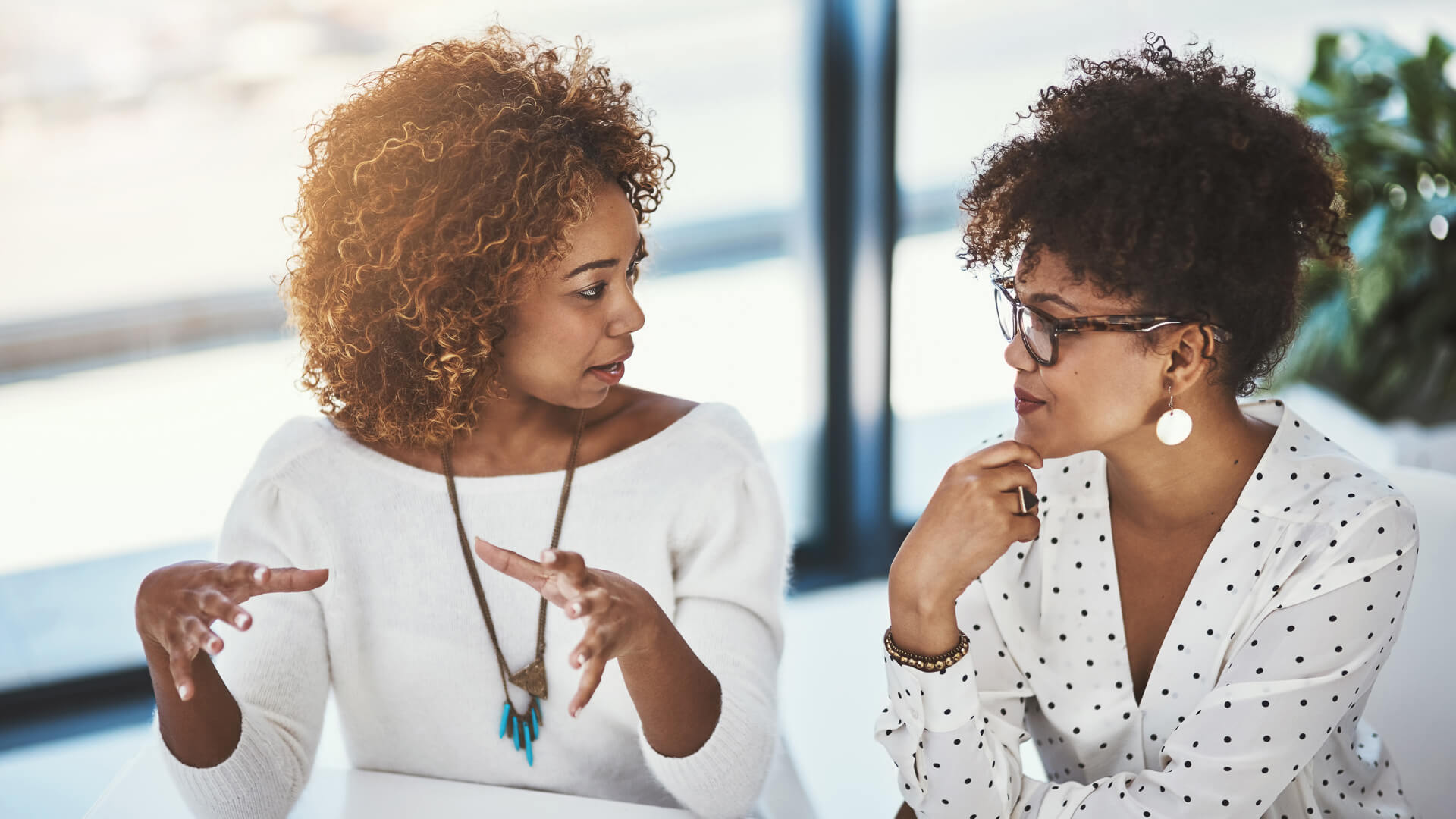 'I' Statements Can Reduce Defensiveness

If you speak in a way that doesn’t blame or accuse the other person, they are less likely to get defensive. This can help create a more open dialogue about the issues at hand. 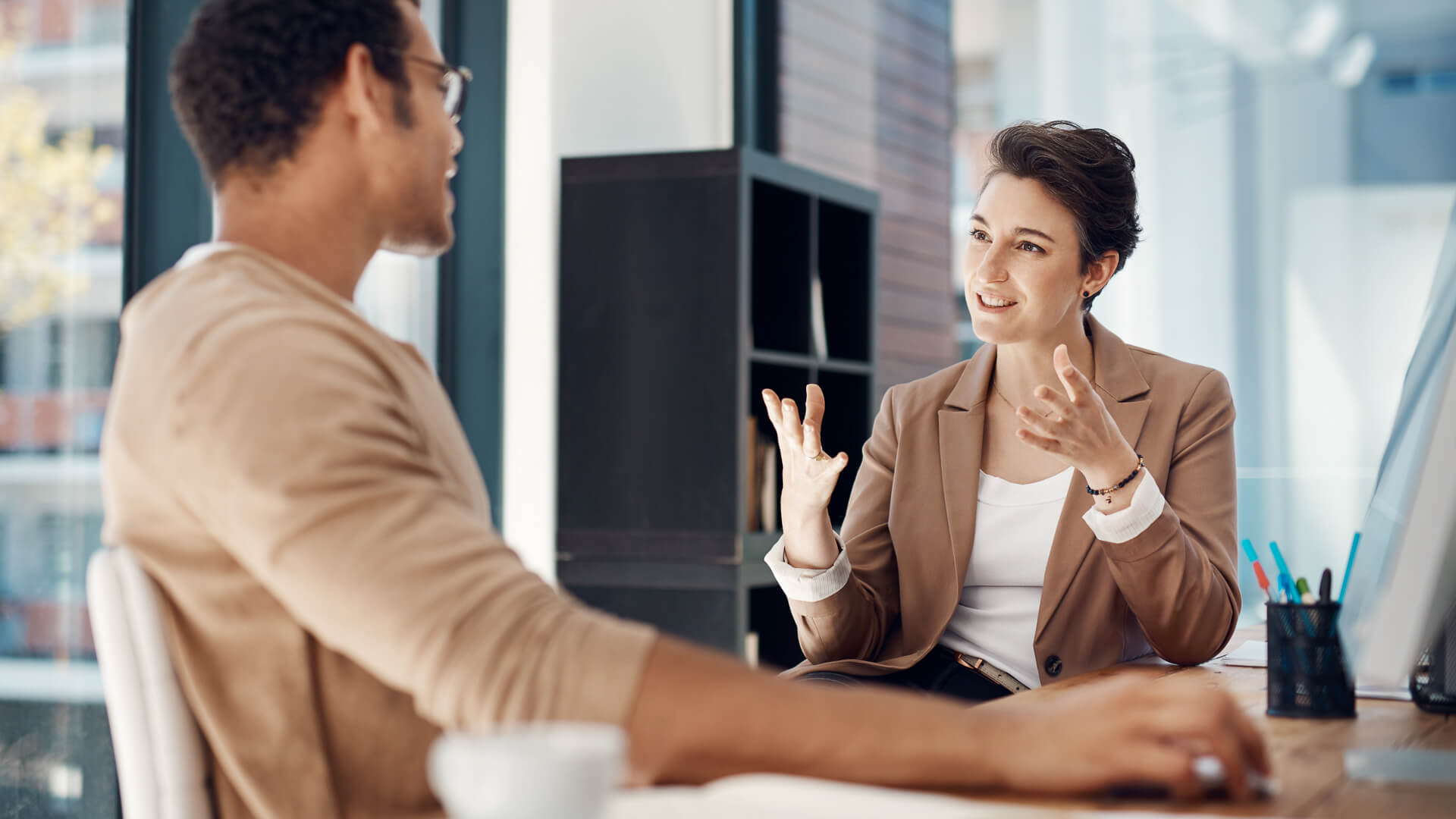 Counterpoint: 'I' Statements Can Make You Look Self-Serving

By not including the other person in your statement at all, it can seem like you’re making the situation all about yourself and what you want. In an article she wrote for Harvard Business Review, Liz Kislik, an expert in resolving interpersonal conflicts in the workplace, gives the example of a sales manager who spoke with one of his sales reps about a room he had been using that would be unavailable for a few days during construction. The sales rep was unhappy with the way the manager handled the conversation and ended up making a formal complaint.

“When I debriefed with the sales manager about the situation, he reported that he had used language like ‘I really need you to give up the private room for a few days’ and ‘I’m really trying to make this work for you’ as a way to create a sense of mutual interest and concern,” wrote Kislik. “But the appeal didn’t work: The rep felt that the manager was doing what was easy for him, and that if he was really trying to help, he would have changed the construction schedule. The manager and I discussed how the language could have been more neutral, impersonal and inevitable to prepare for future, similar circumstances: ‘Unfortunately, there’s going to be construction in this room for a few days. We have three different possible accommodations available for you during that time. Please let me know which will be best for you.’” 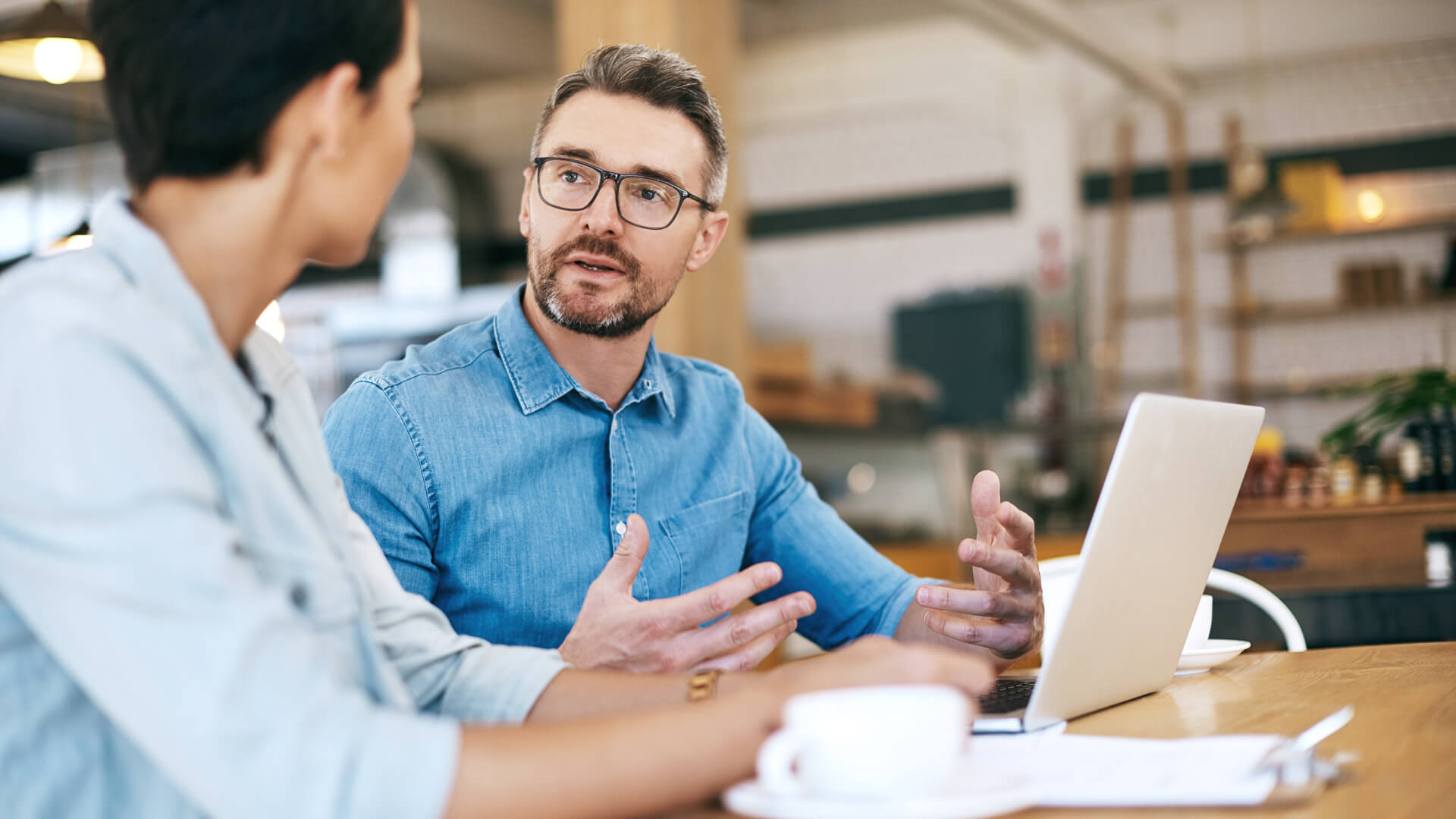 'I' Statements Allow You to Express Yourself Without Seeming Threatening

According to a Boston University paper, “An ‘I’ message can help you communicate your concerns, feelings and needs without blaming others or sounding threatening. It helps you get your point across without causing the listener to shut down.”

If the person you’re speaking to feels threatened, they likely won’t respond well — if they respond at all. 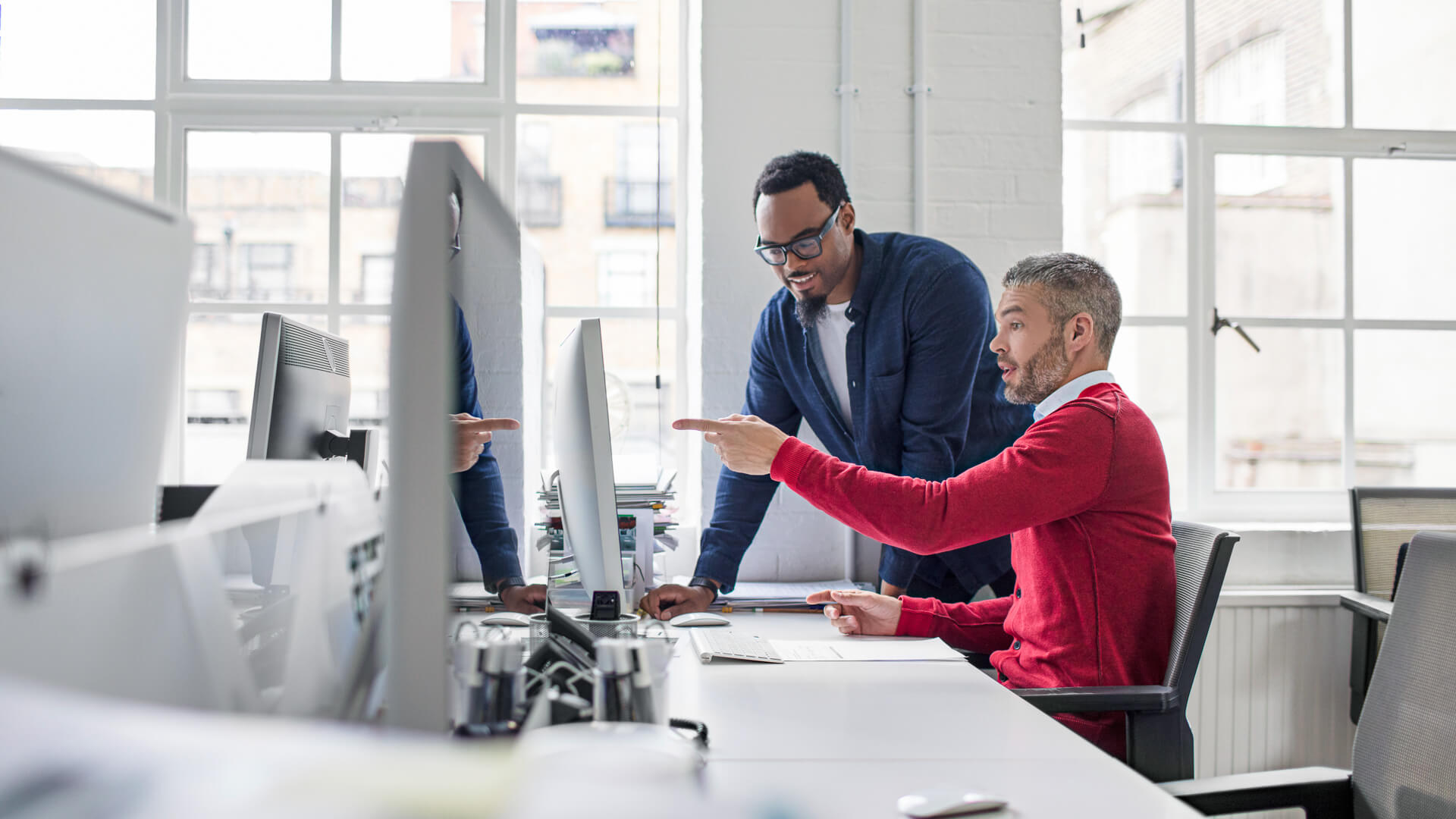 Counterpoint: 'I' Statements Can Make You Appear Weak

Kislik said in her Harvard Business Review article that using “I” statements can make you seem weak or incompetent, especially when speaking to people in leadership positions who are more concerned with their bottom line than your personal feelings.

“A director I coach described his plan to confront his boss about an interdepartmental problem. His intention was to use an ‘I’-statement structure to elicit his boss’s concern and convey how strong a stand he was taking: ‘I feel I cannot deal with the way things are going with department X anymore,’” she wrote. “I suggested that he start the conversation by asking his boss what outcomes she wanted; say something more authoritative, like, ‘Our current approach with the other department is ineffective’; and then describe the steps he was taking to work with the difficult department. Otherwise, he was likely to come across as if the issue was his inability to handle the problem or his refusal to see the situation from the other department’s point of view. He agreed that his boss would be irritated if she thought he was demonizing the other department and emphasizing his personal frustration as if he needed to be spared the responsibility of finding a solution.”

Coming off like you’re avoiding taking ownership of your problems can certainly hurt your chances of getting a raise or promotion. 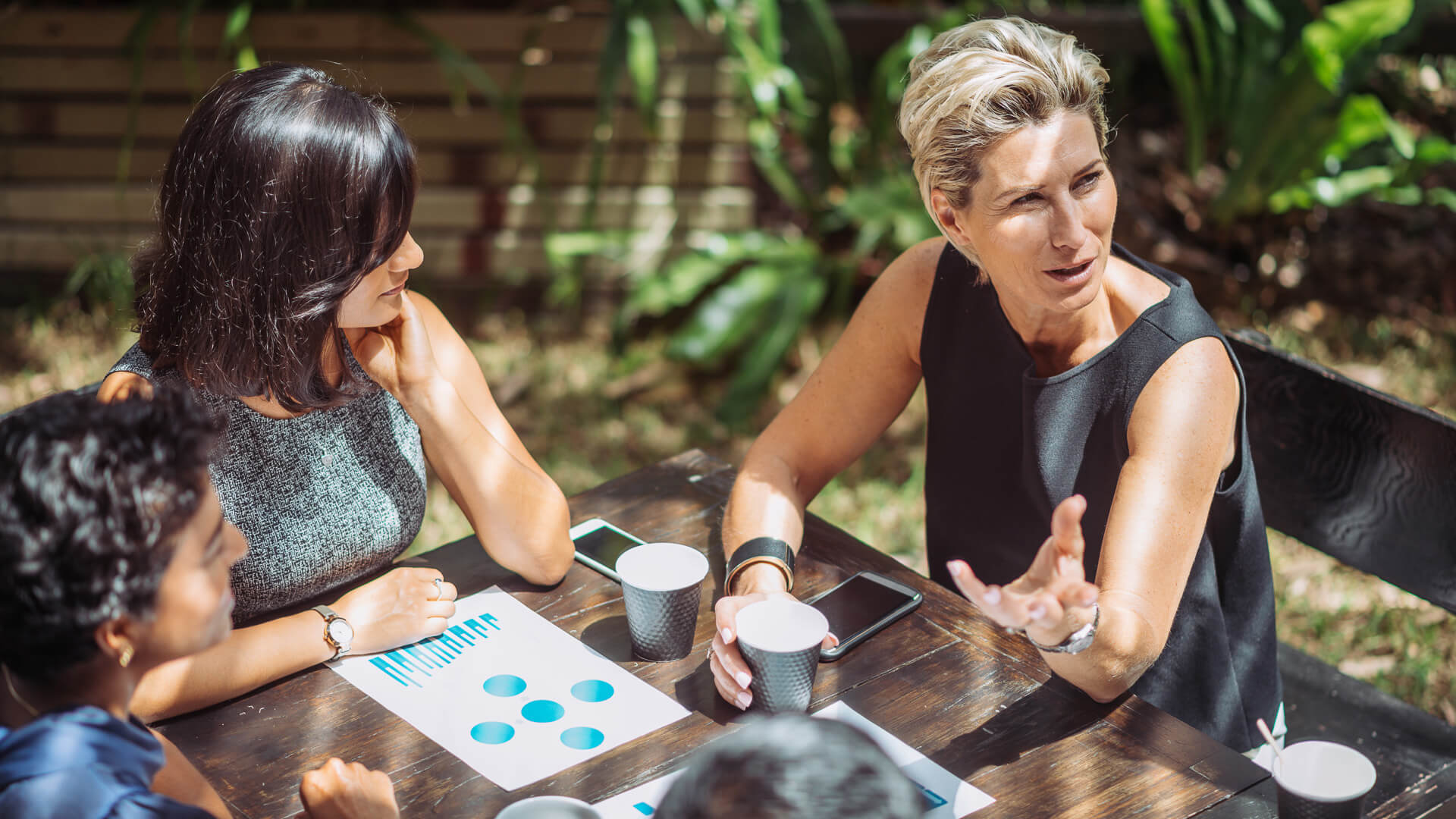 'I' Statements Are a Clear Way to Express a Problem

According to the Boston University paper, the point of an “I” statement is to be clear — not polite.

“It is a clear statement that says ‘this is how it looks from my perspective,’” the paper states. 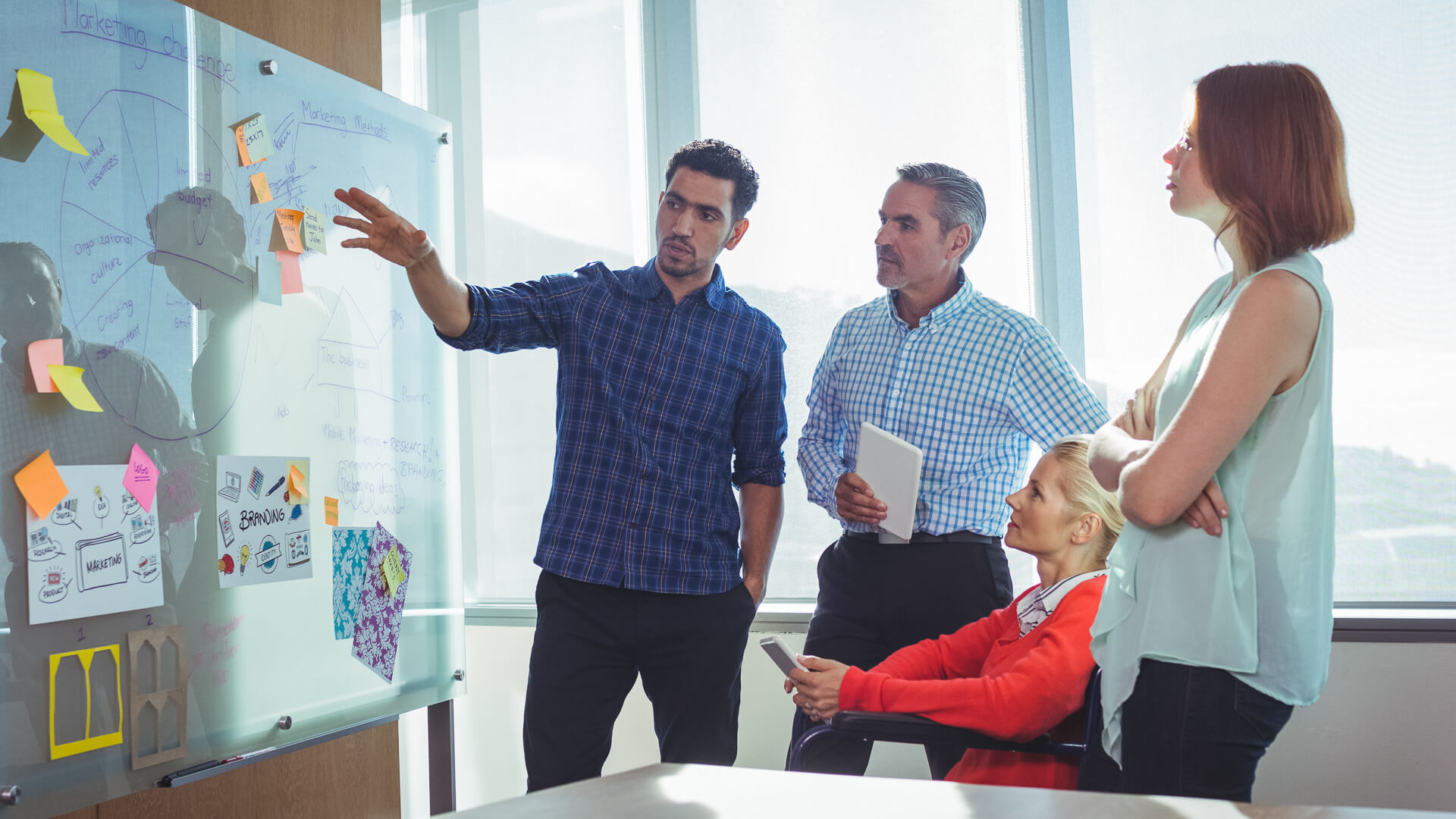 Counterpoint: 'I' Statements Can Be Viewed as Emotional

You might think that when you use an “I” statement you’re effectively getting a point across, but in some cases this strategy can backfire — especially if you’re a woman, said Kislik in the Harvard Business Review. She gave the example of a female VP who wanted to persuade two executives to take a particular course of action, but found the “I” statements she used failed to make an impression on them.

“When she told me about the conversation, I noted how personal her comments sounded, and how she might have damaged her credibility if the execs believed her feelings were hurt because her advice hadn’t been taken, rather than recognizing that she was concerned about potential harm to the business,” said Kislik. “We brainstormed a solid case complete with specific examples, trends and likely outcomes. She went to the next meeting armed with data from past similar situations and projections for future results, and was significantly more effective when she let the numbers do the talking for her, rather than appearing to have taken things personally.” 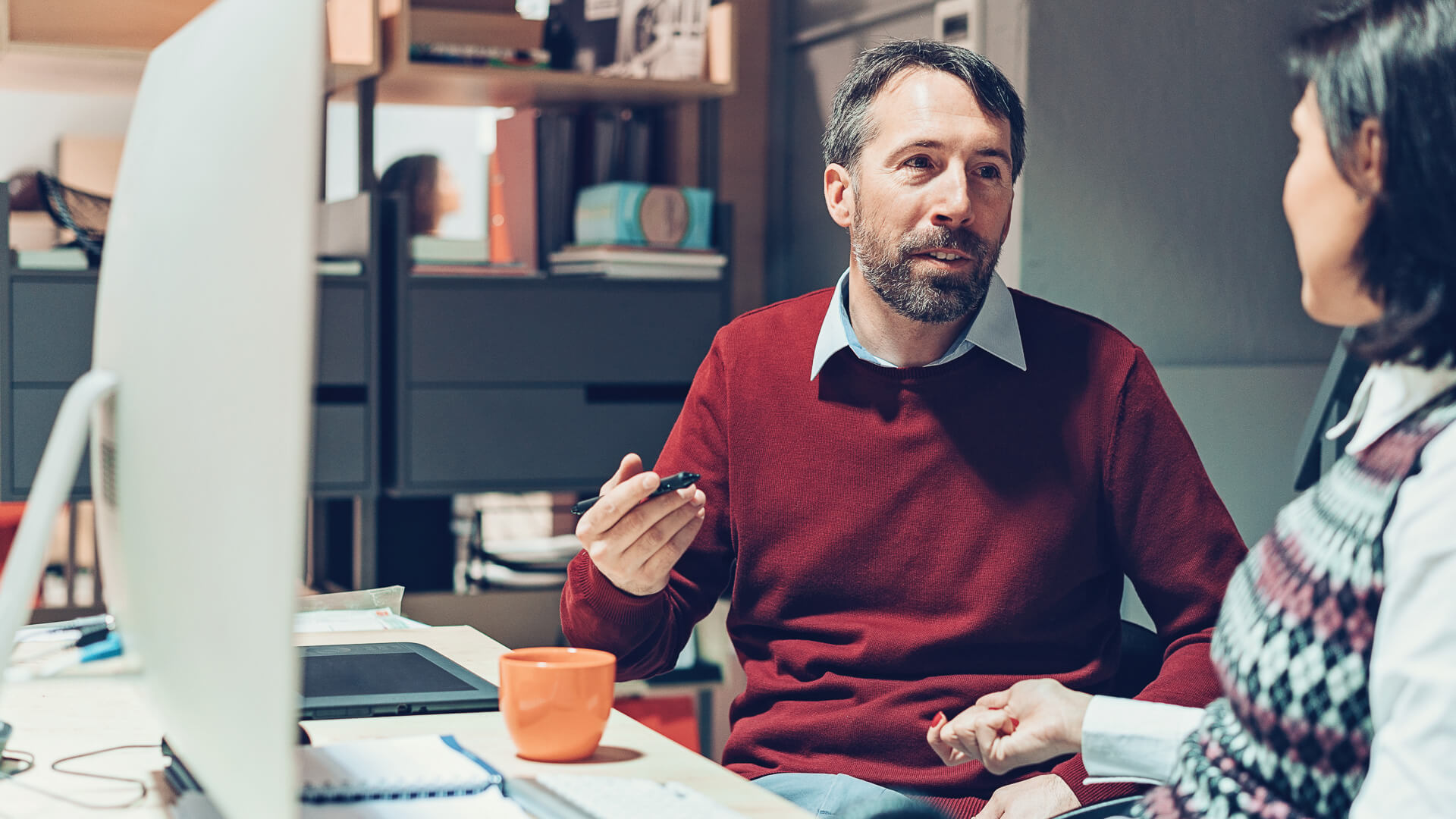 “I” statements are intended to open up a conversation. When you say, “I feel like I haven’t had enough opportunities to take on new projects” rather than, “You don’t give me enough opportunities to take on new projects,” it shows that you’re open to collaborate to find solutions rather than putting the other person on the spot to solve a problem, which can leave them feeling ambushed. 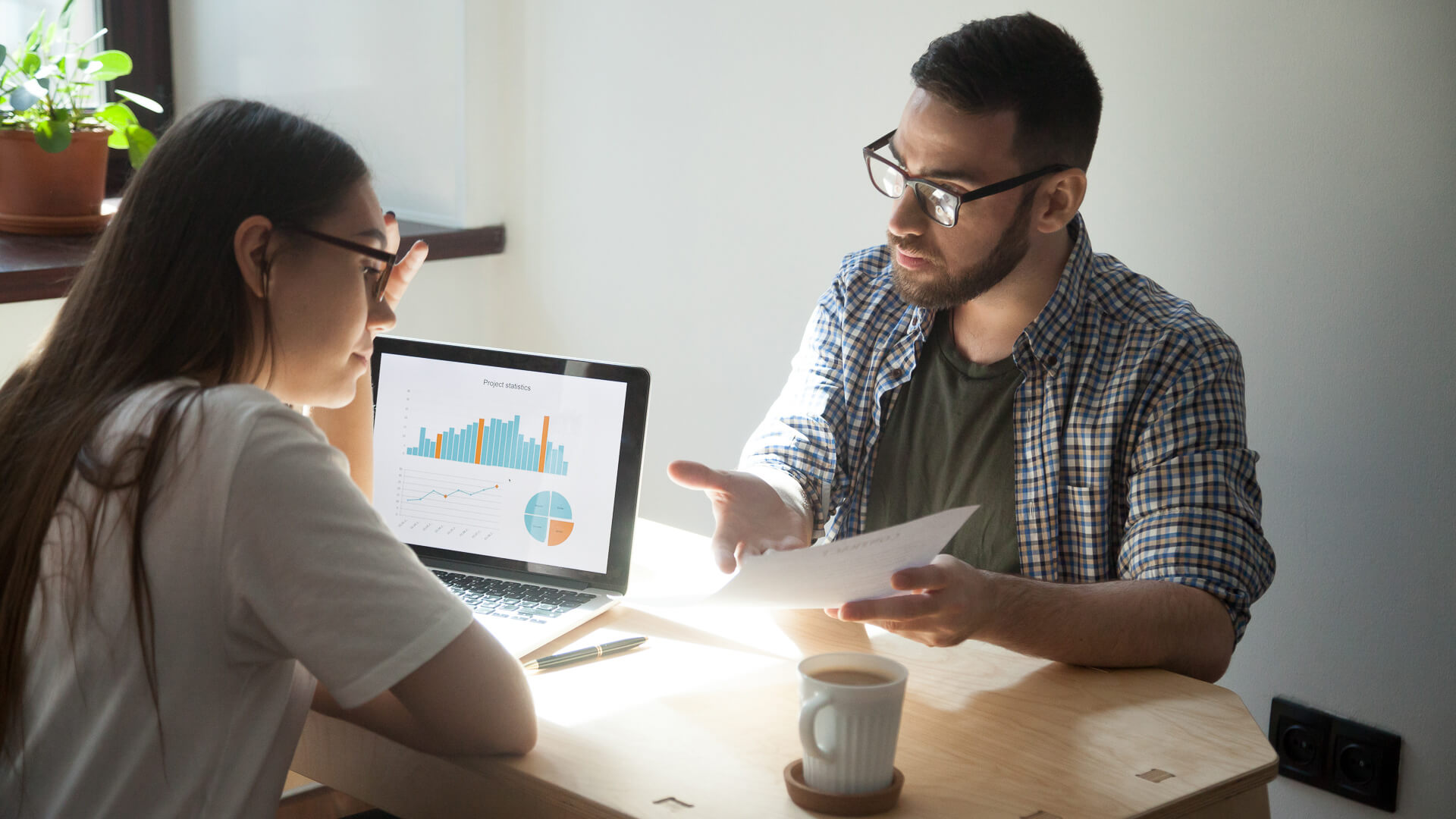 Counterpoint: 'I' Statements Likely Won't Lead to an Immediate Solution

Using an “I” message is a way to explain how you feel and how you would like things to be, but it’s free of expectations. So if you’re looking to get an immediate response or solution, this isn’t the best way to communicate that. 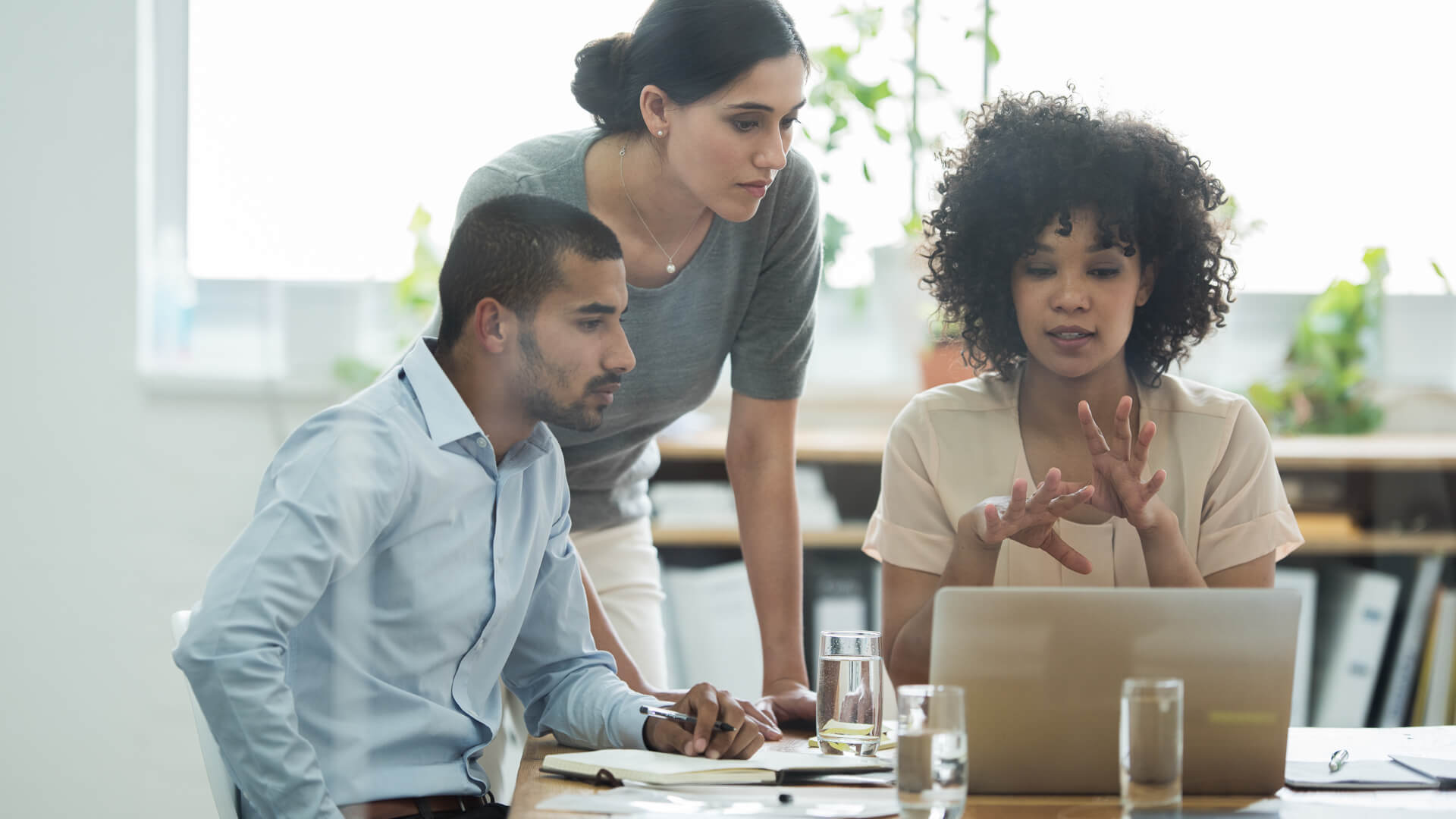 When to Use an 'I' Statement at Work

There are certainly pros and cons to using “I” statements, and they are not the best choice in every scenario. However, there are some instances in which using an “I” statement can be effective.

Consider using an “I” statement when speaking to a colleague whom you know tends to go on the defensive or shut down when they feel attacked. This will allow you to get your point across without ruffling their feathers. 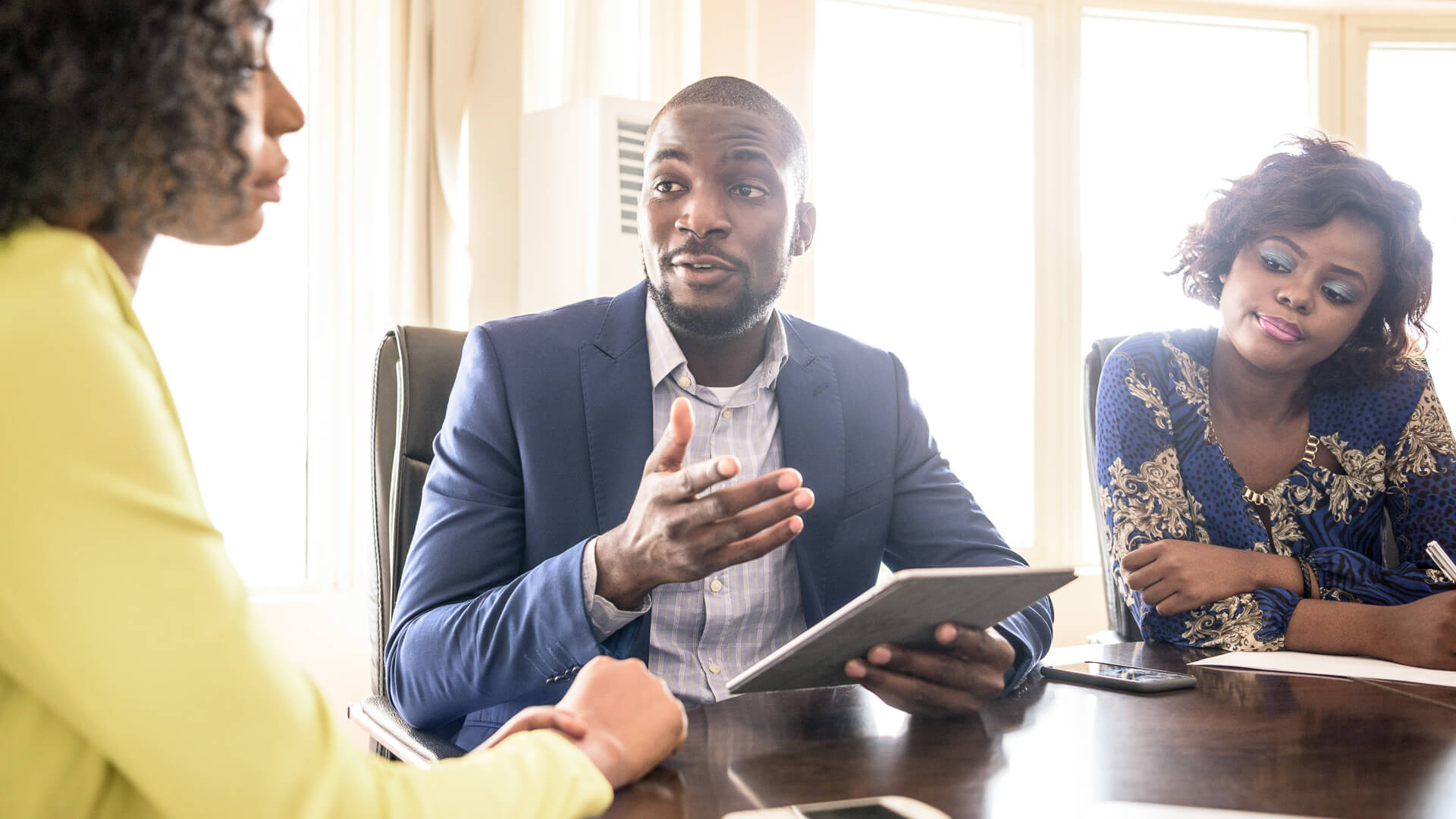 When to Not Use an 'I' Statement

There are other ways to communicate what you need that don’t involve the word “I.” It can be particularly detrimental to use “I” statements when speaking to a superior who is more concerned with the big picture than with individual feelings, as these statements can make it seem like you are weak or trying to dodge responsibility.

Unless you’re dealing with a particularly sensitive person who might benefit from the “I” statement structure, keep communications to neutral, impersonal and data-driven statements.