These Are the Most Incredible Active Sellout Streaks in Sports 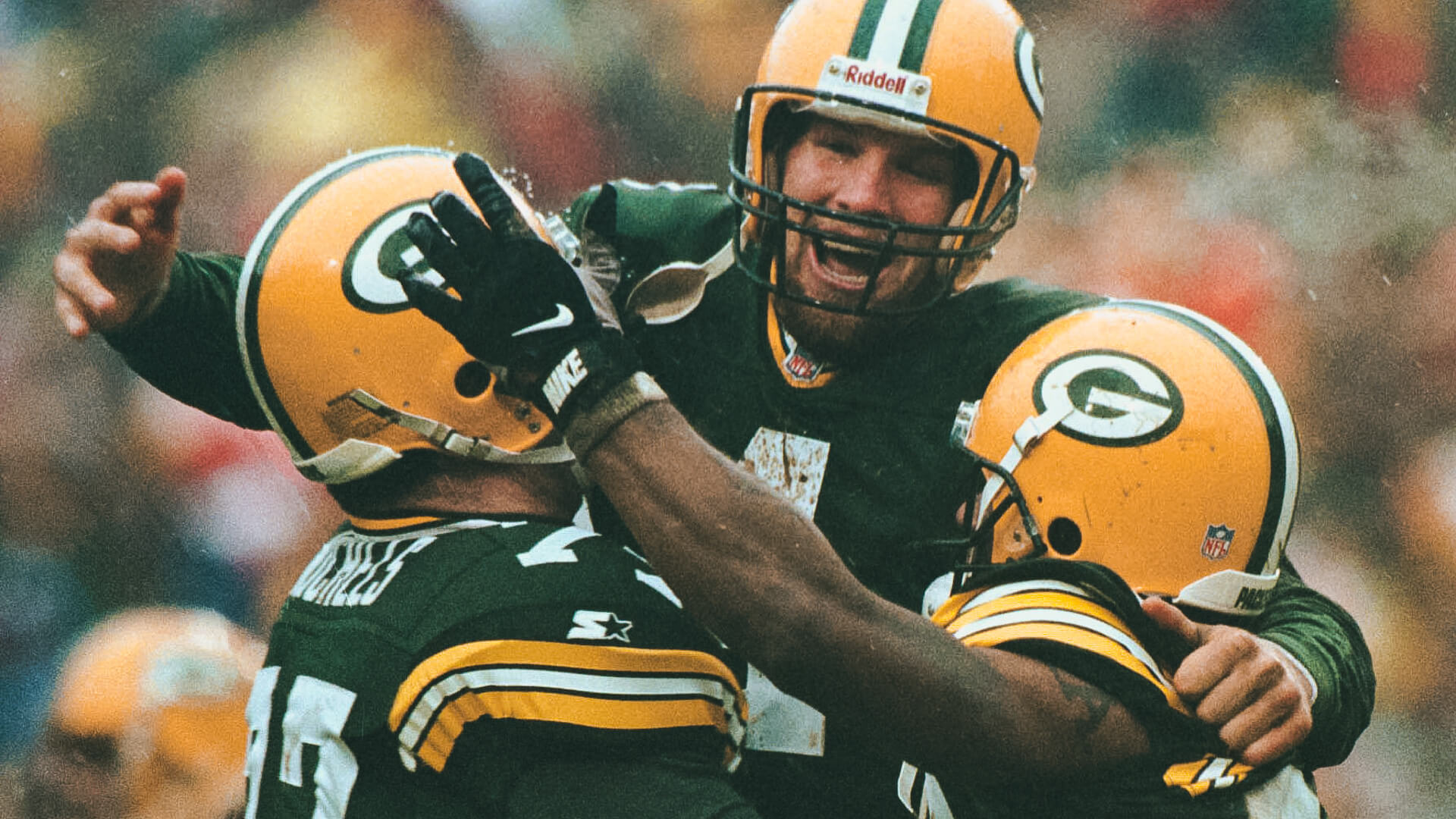 In 1959, Dwight Eisenhower was president, no one had heard of the Beatles yet, and the Green Bay Packers were playing to sold-out crowds at a stadium that had yet to be renamed Lambeau Field. Fast forward nearly 60 years, and the two surviving Beatles are in their late 70s, Ike is a footnote in history, and the Packers are still playing to sold-out crowds at Lambeau. The most dramatic sellout streaks can span generations and even lifetimes, and they galvanize teams and unify fans. Some attendance records cluster around sports dynasties, while others seem to last forever no matter how the team performs. Either way, one truth is undeniable: When it comes to the business of sports, capacity crowds always are welcome. 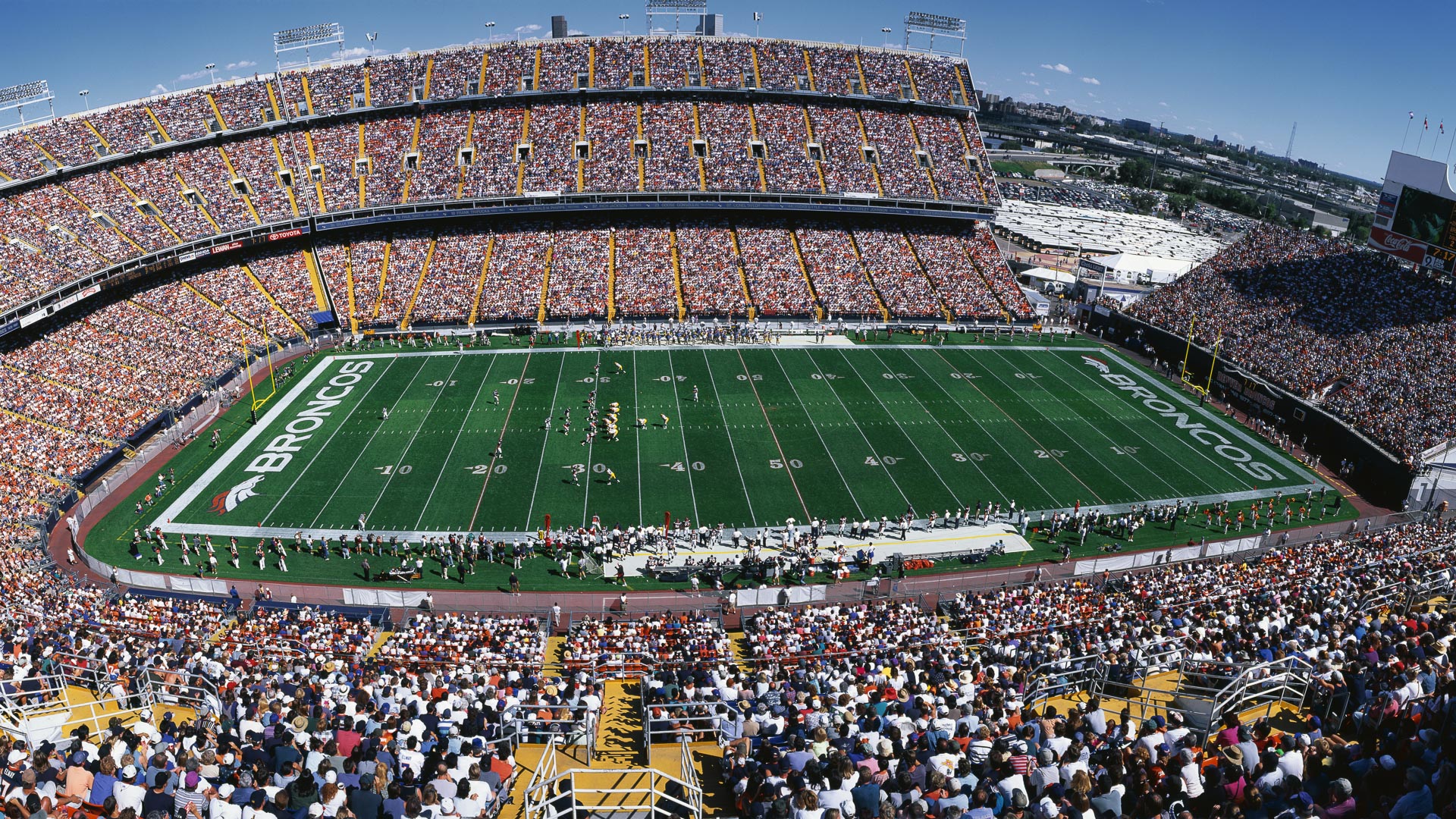 Fans in Denver love their Broncos — so much so that every ticket has been sold out since Week 1 of the 1970 season when the team played at Mile High Stadium. They moved to their new venue, now called Empower Field at Mile High, in 2001, and the fanbase continues to snap up the seats both in the regular season and in the 22 home playoff games contested in Denver. The Broncos reached 400 straight sellouts on Nov. 4, 2018.

Broncos fans have enjoyed the team’s success throughout the years, for the most part. The team has appeared in eight Super Bowls, winning three of them behind legendary quarterbacks (John Elway, 1988 and ’99; Peyton Manning, 2016). It is up to Elway, now the general manager, to put together a roster to return the Broncos to the playoffs for the first time since their win in Super Bowl 50.

But who has the longest sellout streak of all time in the NFL? Find out on the next slide. 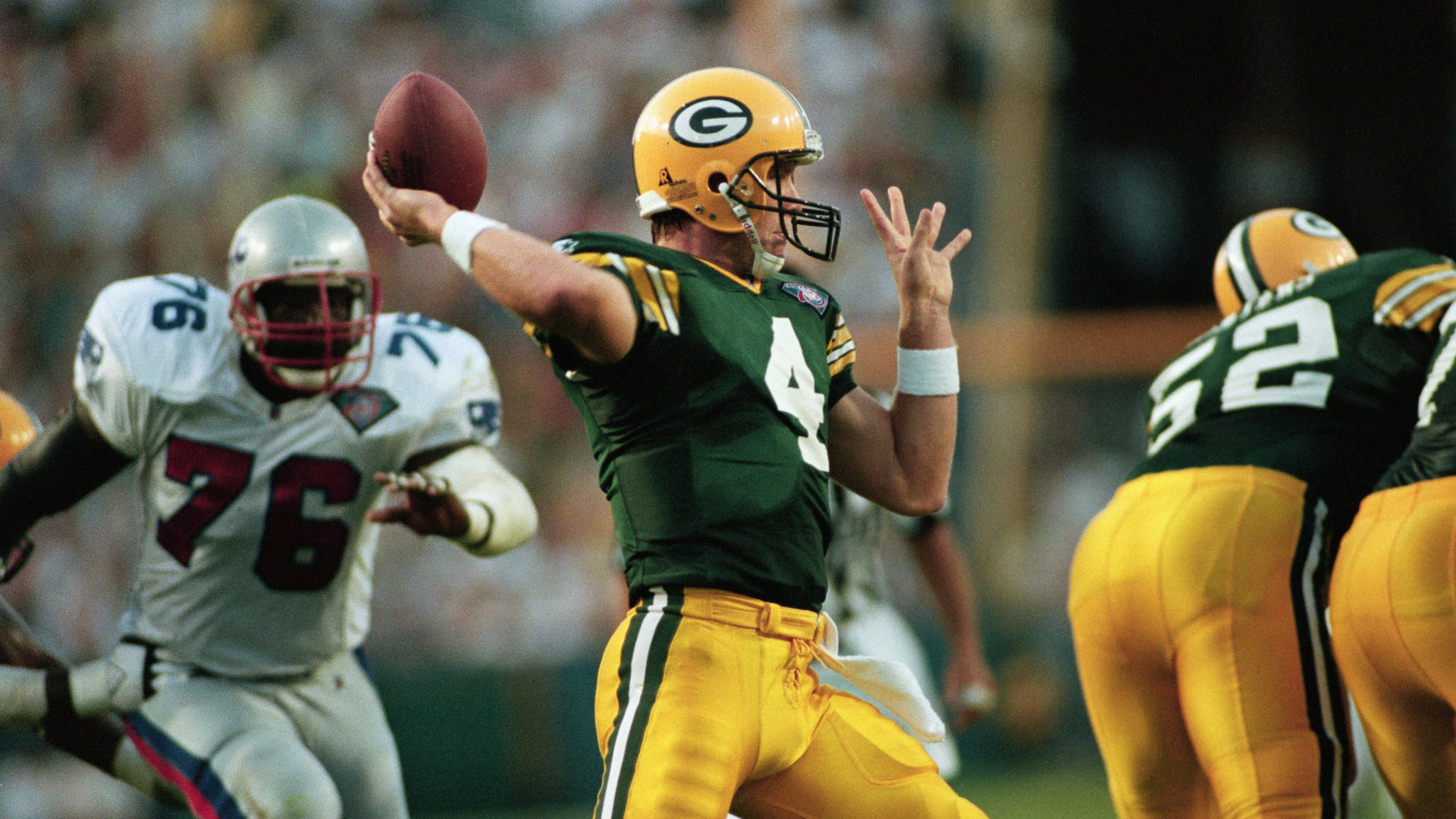 Few teams embody the sport of football more wholly than the Green Bay Packers, but the legendary franchise always has been an NFL oddity. It’s the only publicly owned team with fans who double as shareholders. It’s also probably among the only teams that encourage fans to bring sleeping bags to the stadium and remind them about the warning signs of hypothermia before games. Their stadium is the legendary Lambeau Field, which opened in 1957 as Green Bay City Stadium and was renamed in 1965 following the death of Packers co-founder Curly Lambeau.

The Packers also stand out, however, for their astonishing 60-year sellout streak, which has endured from 1959 to the present. Yet, in another oddity, the Packers don’t hold the longest sellout streak in one city. As of Nov. 4, 2018, they’d played 359 straight games in Green Bay, Wisconsin — fewer than the Denver Broncos’ 400 in a row in the Colorado capital — because they played 107 “home” games at Milwaukee County Stadium between 1960 and 1994, according to the Denver Post. The loyal fans in Milwaukee wanted to see the Packers closer to home. 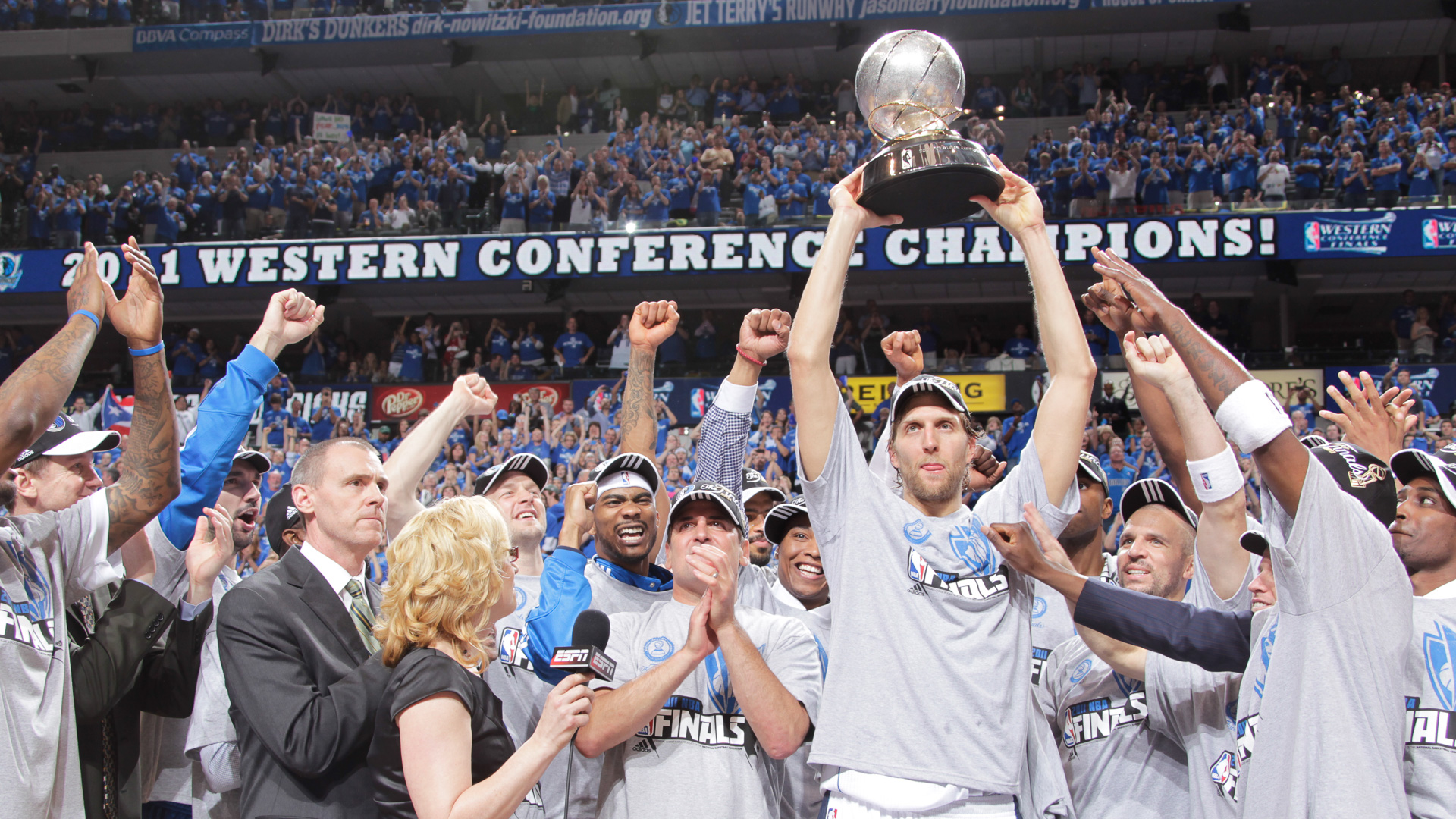 On Dec. 15, 2001, the Dallas Mavericks began a regular-season sellout streak that reached 731 on Dec. 8, 2019. When you add in the 67 consecutive sold-out playoff games that have been during that span, however, the Mavs’ home arena — the American Airlines Center — has been packed to capacity with screaming Mavericks fans for 798 straight games.

But which team has the longest sellout streak of all time in the NBA? Find out on the next slide. 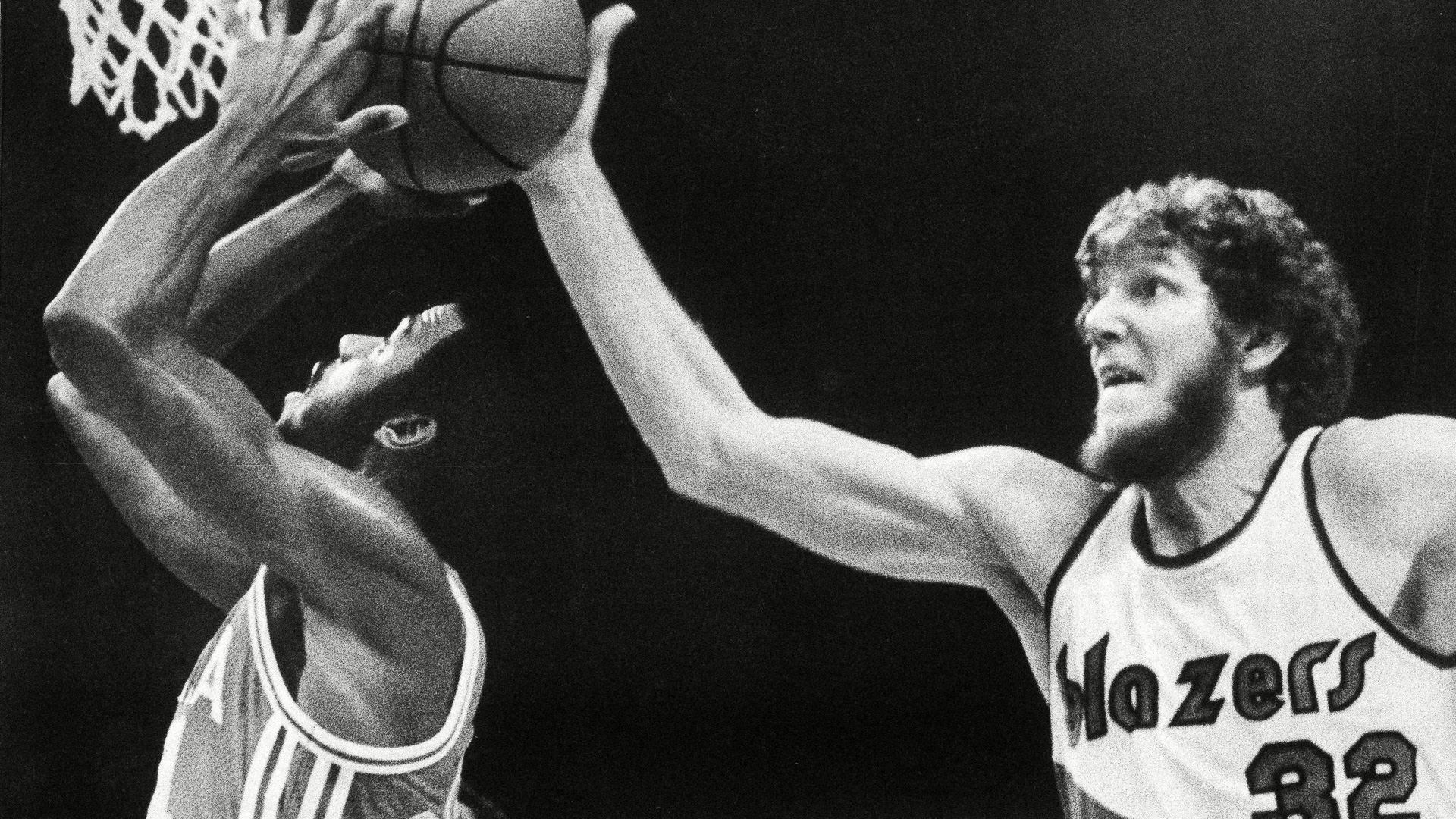 In 2011, a Class A Midwest League baseball team called the Dayton Dragons sold out 815 games in a row to claim the consecutive sellout record for all of professional sports at the time. The team the Dragons eclipsed was the Portland Trail Blazers, which in 1977 won the NBA championship behind coach Jack Ramsay and a 6-foot-11-inch redhead named Bill Walton. The sellout streak started April 9, 1977, and ran through Nov. 16, 1995. 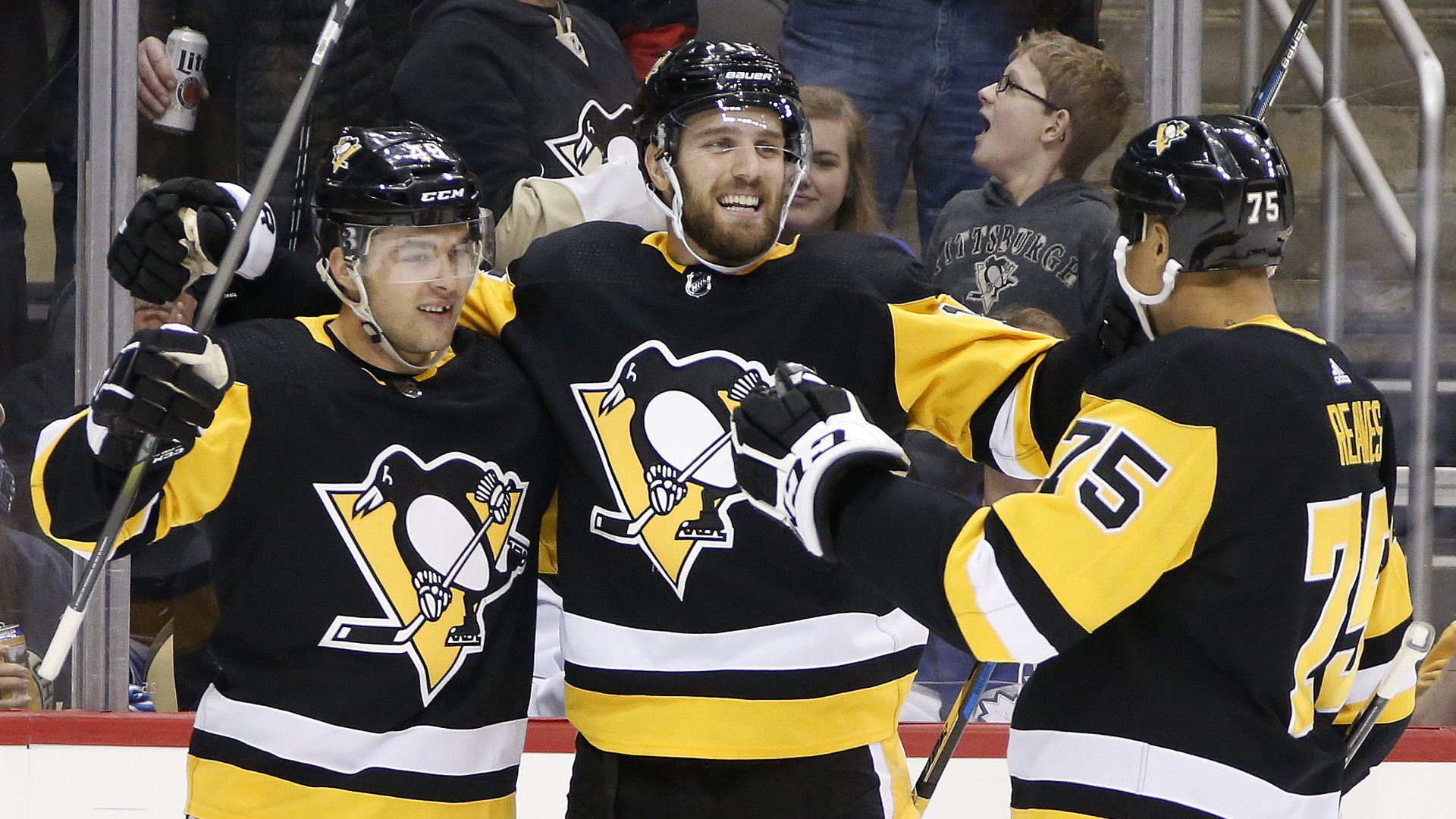 In the mid-2000s, the Penguins were a stumbling franchise that was poised to leave Pittsburgh. But the team’s fortunes reversed when it hired a new coach and presented to fans a new crop of stars, headed by Sidney Crosby, who has gone on to become one of the greatest players of his era. In 2010, the team moved out of the aging Civic Arena and into PPG Paints Arena, delighting fans who got on board when times were tough and stuck with the Penguins. Pittsburgh became the first team in nearly two decades to win back-to-back Stanley Cup championships (2016 and 2017).  The team’s consecutive sellout streak hit 592 on Dec. 10, 2019.

But do the Penguins have the longest sellout streak of all time in the NHL? Find out on the next slide. 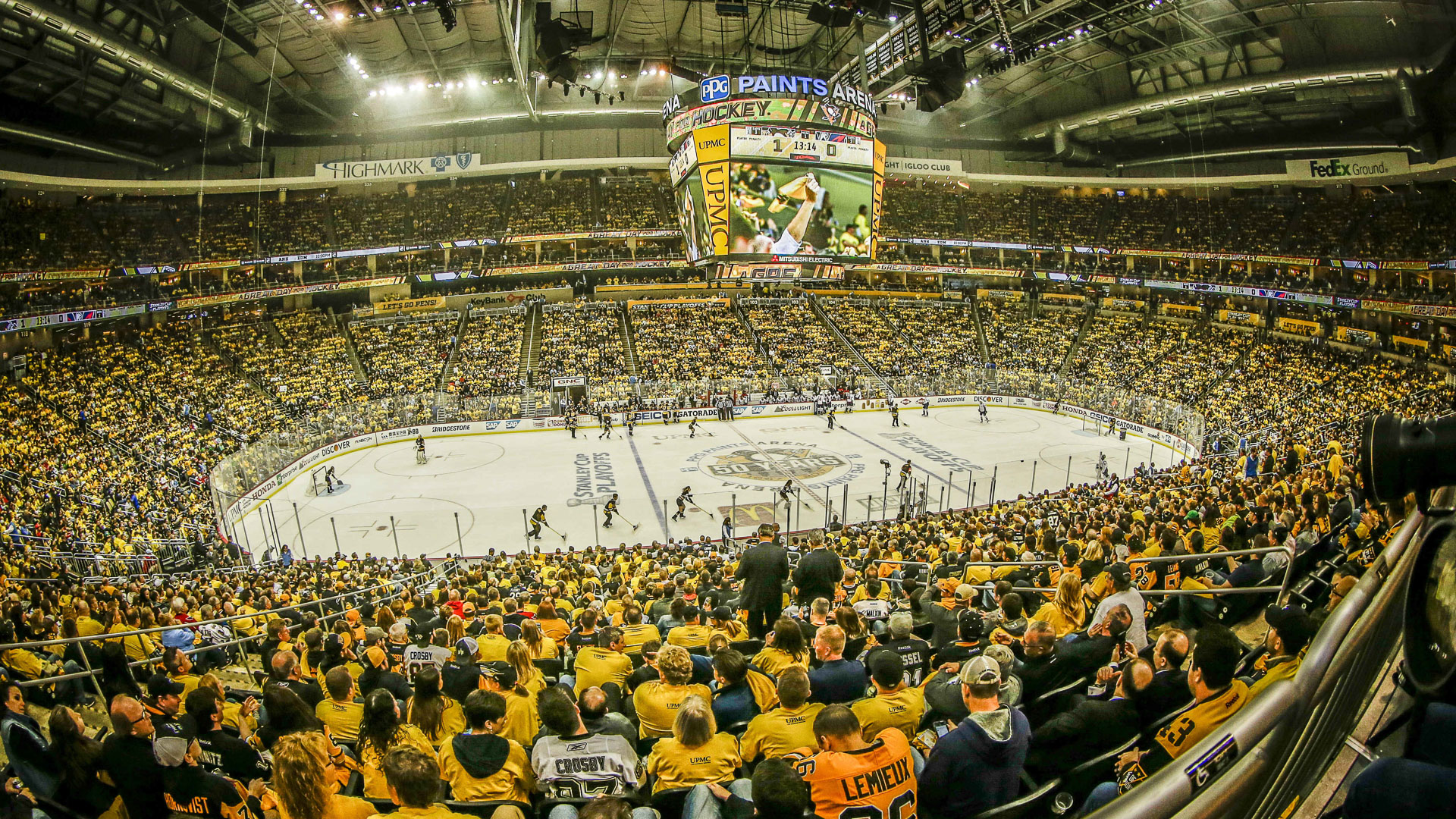 In 2005, Michael Therrien was hired as head coach of the Pittsburgh Penguins and Sidney Crosby was the NHL’s No. 1 draft pick, ushering the beginning of a new era for the struggling franchise. The Penguins wouldn’t struggle for long, though. Since 2007 — the same year the sellout streak started, coincidentally enough — Pittsburgh hockey fans have been treated to an unbroken chain of annual playoff appearances. In that span, they’ve won three Stanley Cup championships (2009, 2016 and 2017).

Choose Wisely: Most and Least Expensive Stadiums for Fans To Watch a Football Game 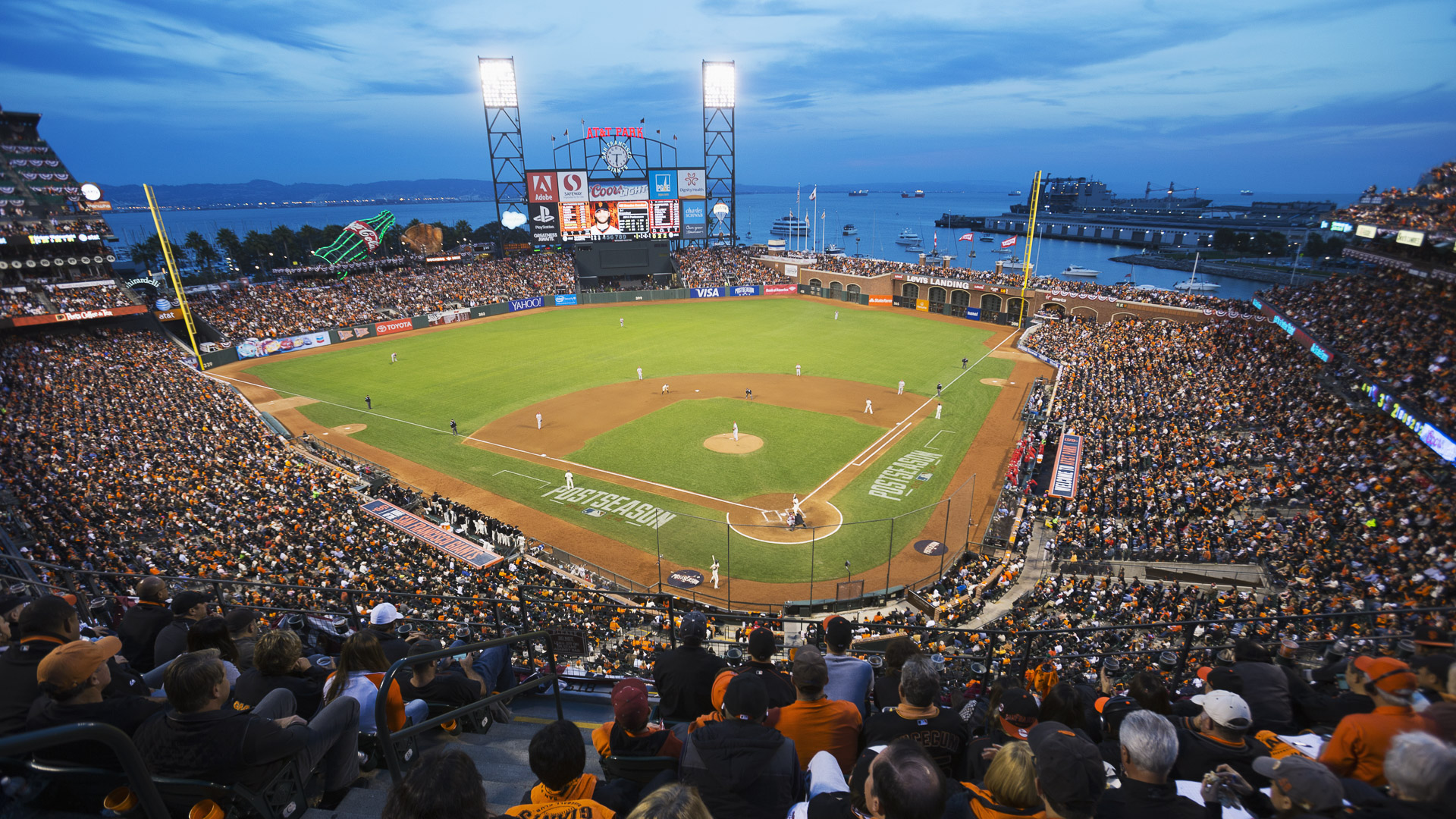 In 2017, the San Francisco Giants slumped to a 64-win season and saw their attendance streak snap. In July of that year, their longest active-sellout streak in baseball was broken — the second-longest sellout streak of all time. The Giants’ streak consisted of 530 regular-season games, plus 25 postseason appearances, and began on Oct. 1, 2010, the season in which the Giants won their first of three World Series in the decade. The streak ended against the Cleveland Indians, who had an impressive 455-game sellout streak of their own from June 12, 1995, to April 4, 2001.

Do you know which team has the longest sellout streak of all time in the MLB? Find out on the next slide. 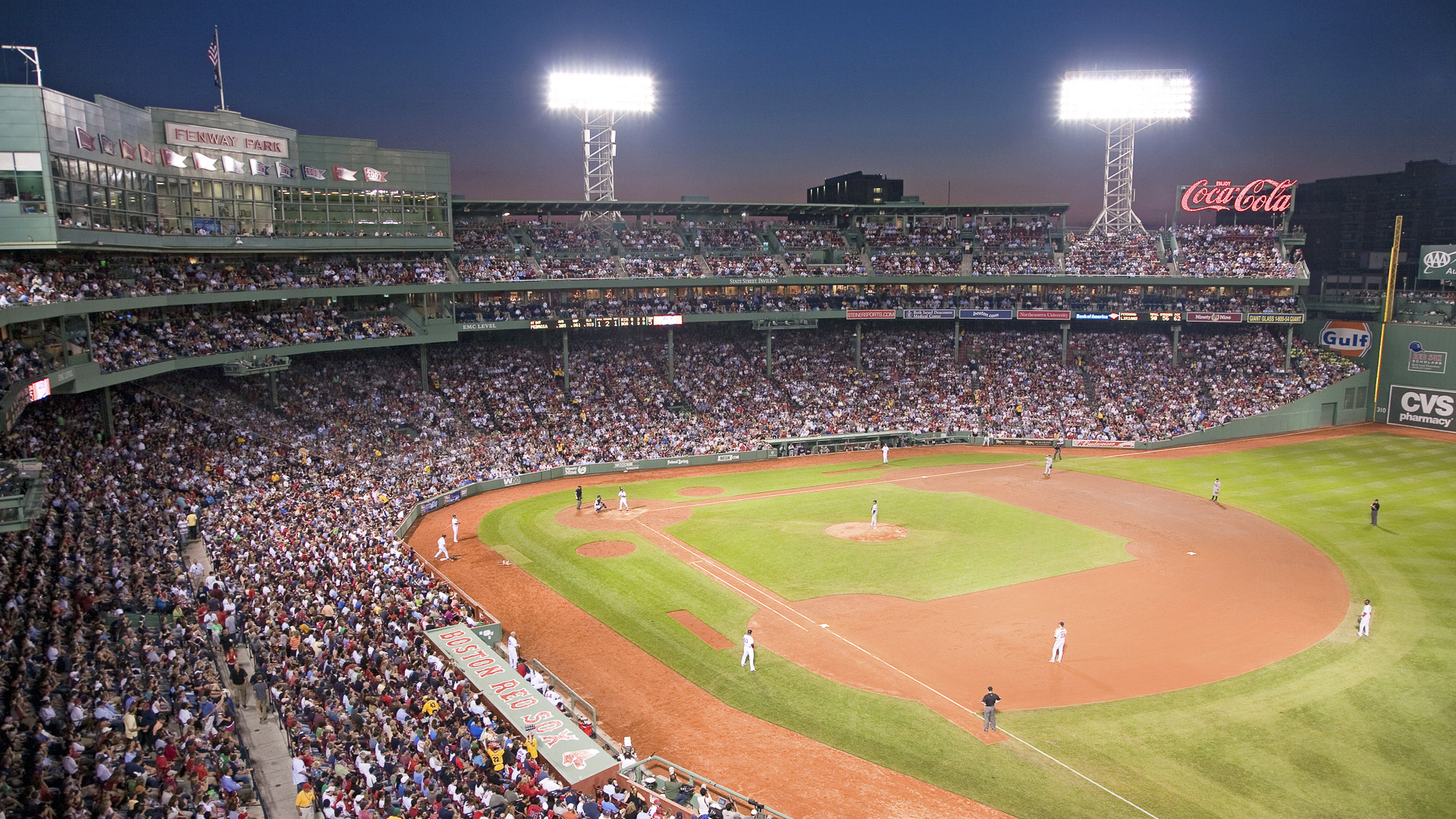 The Boston Red Sox sold out Fenway Park for every home game from May 15, 2003, through April 10, 2013. During the streak, more than 30 million fans went through the turnstiles and the average attendance was 36,605 fans per game, according to USA Today. Those fans were treated to six trips to the postseason, two American League pennants and two World Series championships, and the 2004 title was the first for the Red Sox since 1918. The sellout streak, however, was mired in controversy, with several prominent publications accusing the Sox of padding attendance statistics. Controversial or not, the streak is in the books. 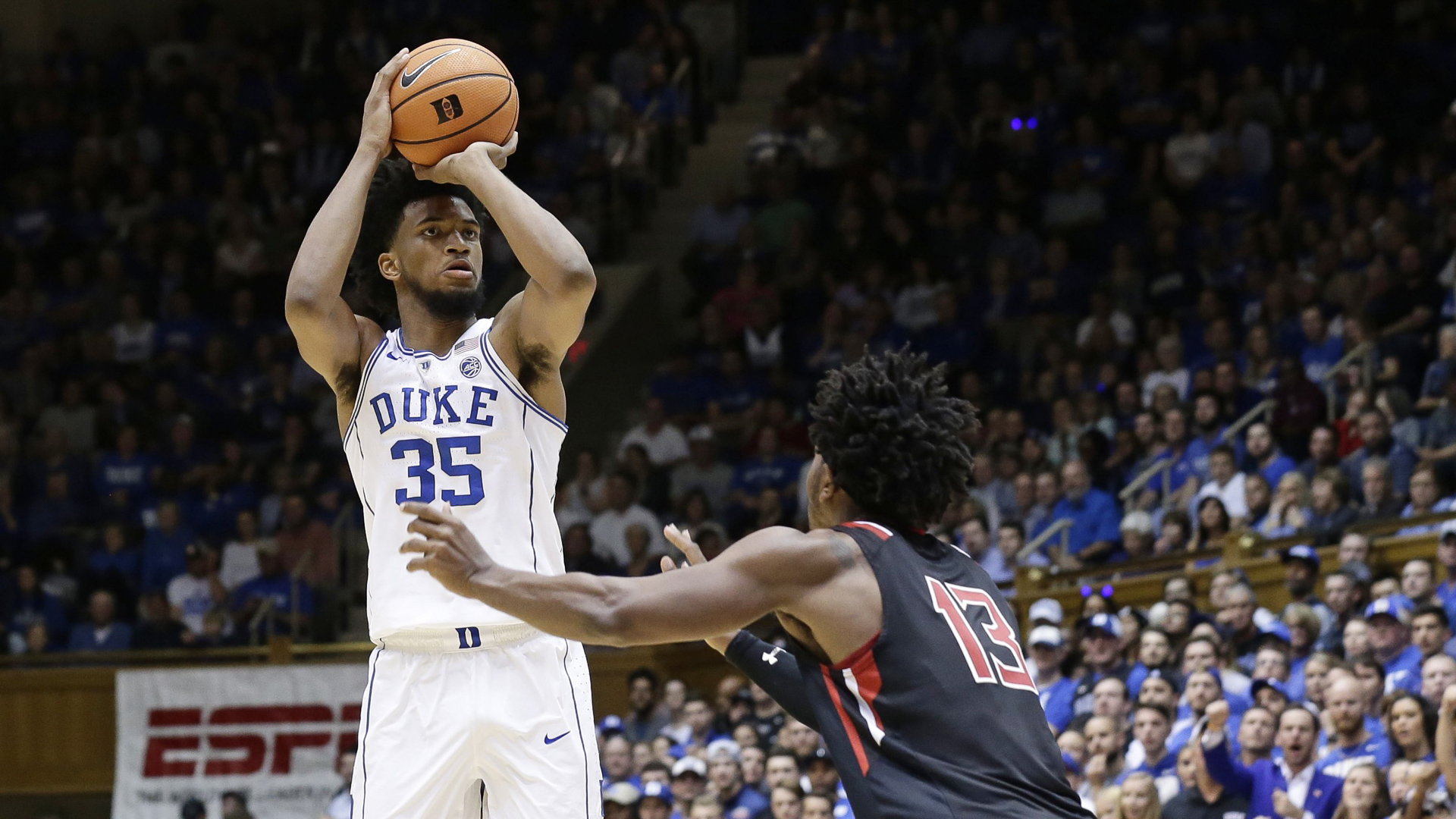 The Mavericks claim the longest streak in the NBA, but when you include the NCAA, basketball’s longest run of sold-out home games goes to the Duke Blue Devils, which stood at 460 through Dec. 11, 2019. They have played in front of capacity crowds at Cameron Indoor Stadium in Durham, North Carolina, since the same year Mike Tyson was the world heavyweight boxing champion and Moscow got its first McDonald’s.

But who has the longest sellout streak of all time in college basketball? Find out on the next slide. 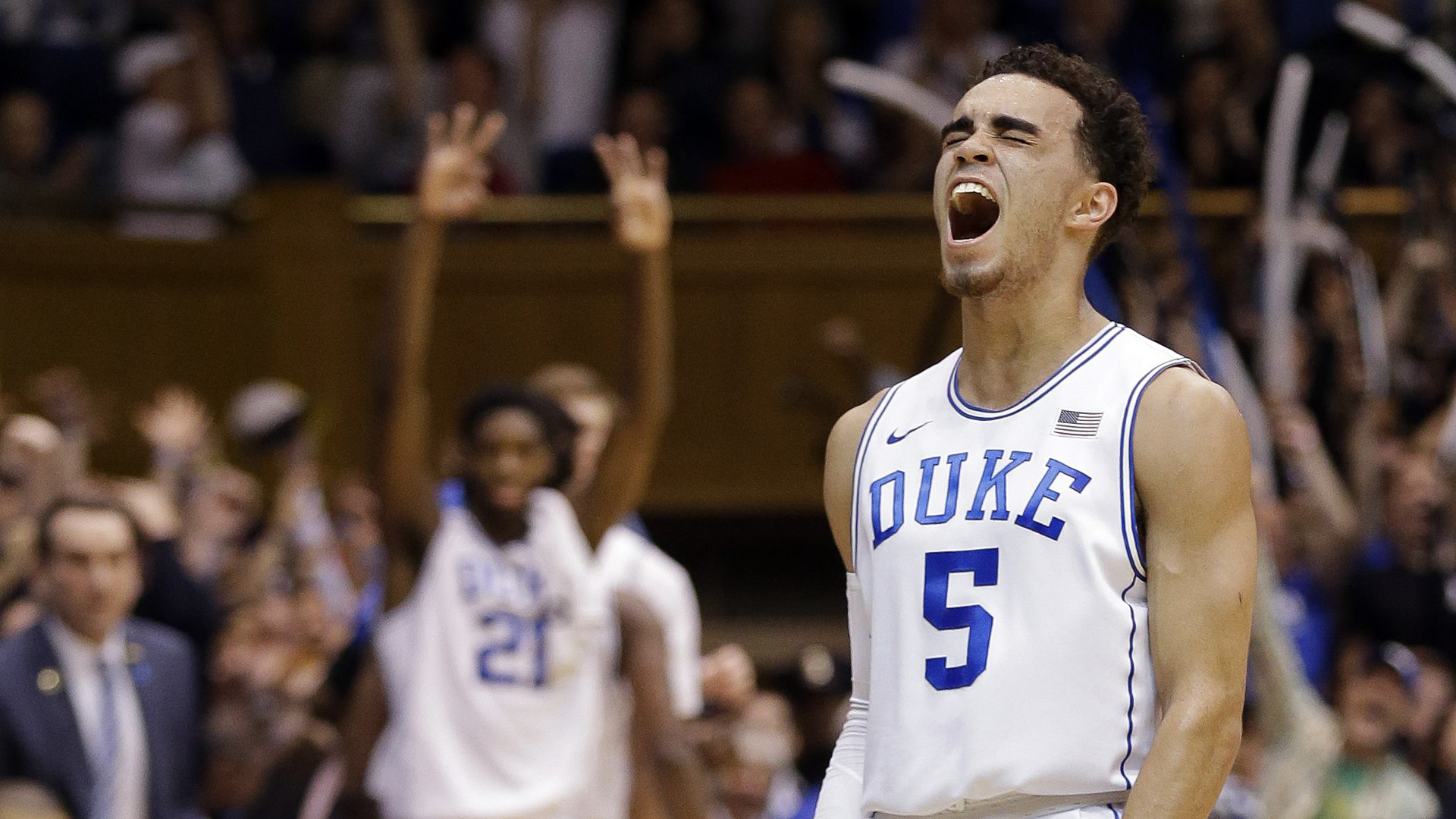 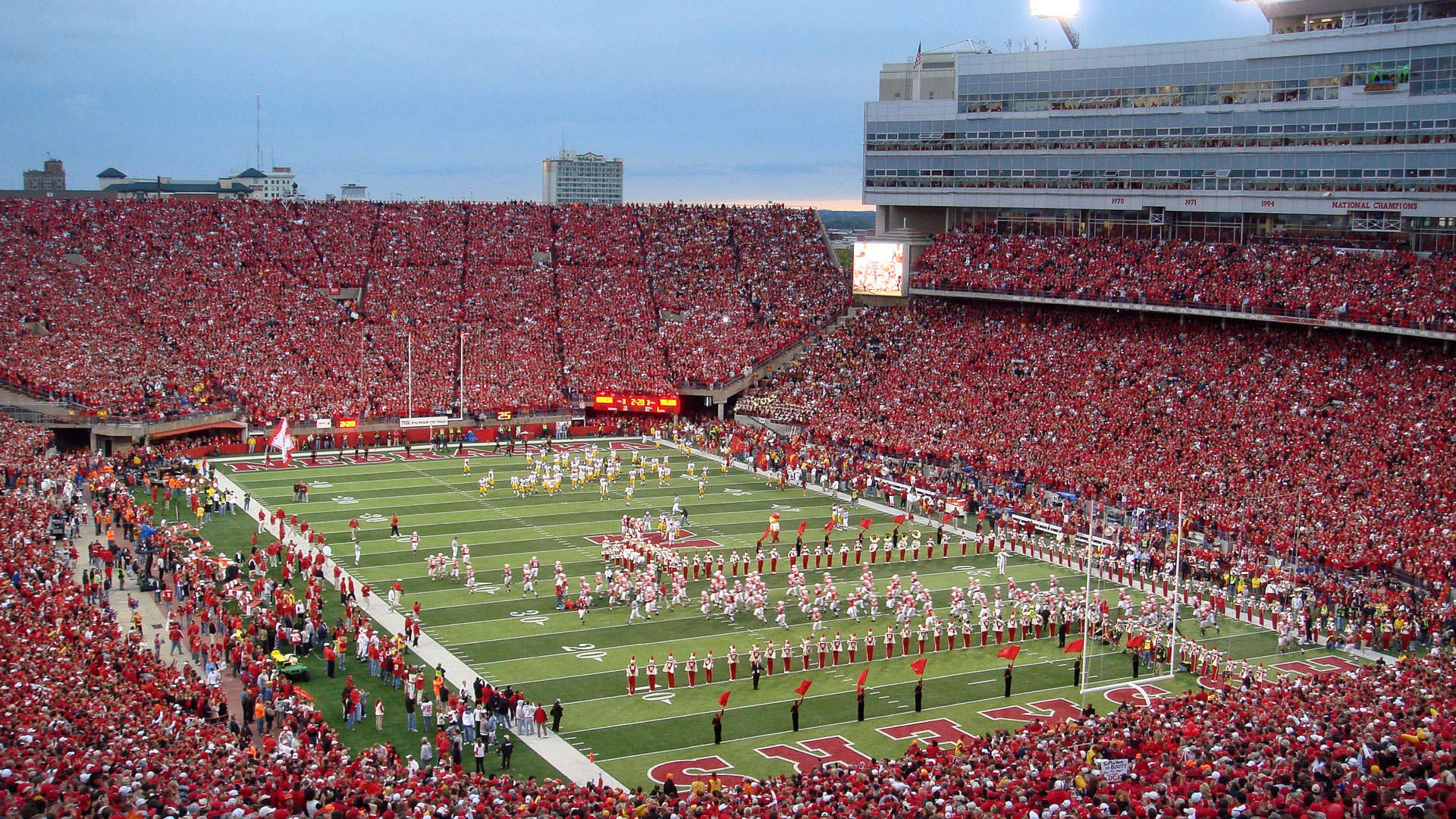 The last time Nebraska Cornhuskers fans could buy a ticket at the Memorial Stadium box office at game time, the team’s opponent was Kansas State — and John F. Kennedy was president. A few weeks later, on Nov. 3, 1962, the Huskers played Missouri to a sellout crowd. The storied program has sold out every single home game since, and the streak has become a central part of Huskers’ lore. It has endured through three eras of the team’s history: the Big Eight, Big 12 and Big 10 periods.

But do the Cornhuskers also have the longest sell-out streak of all time in college football? Find out on the next slide. 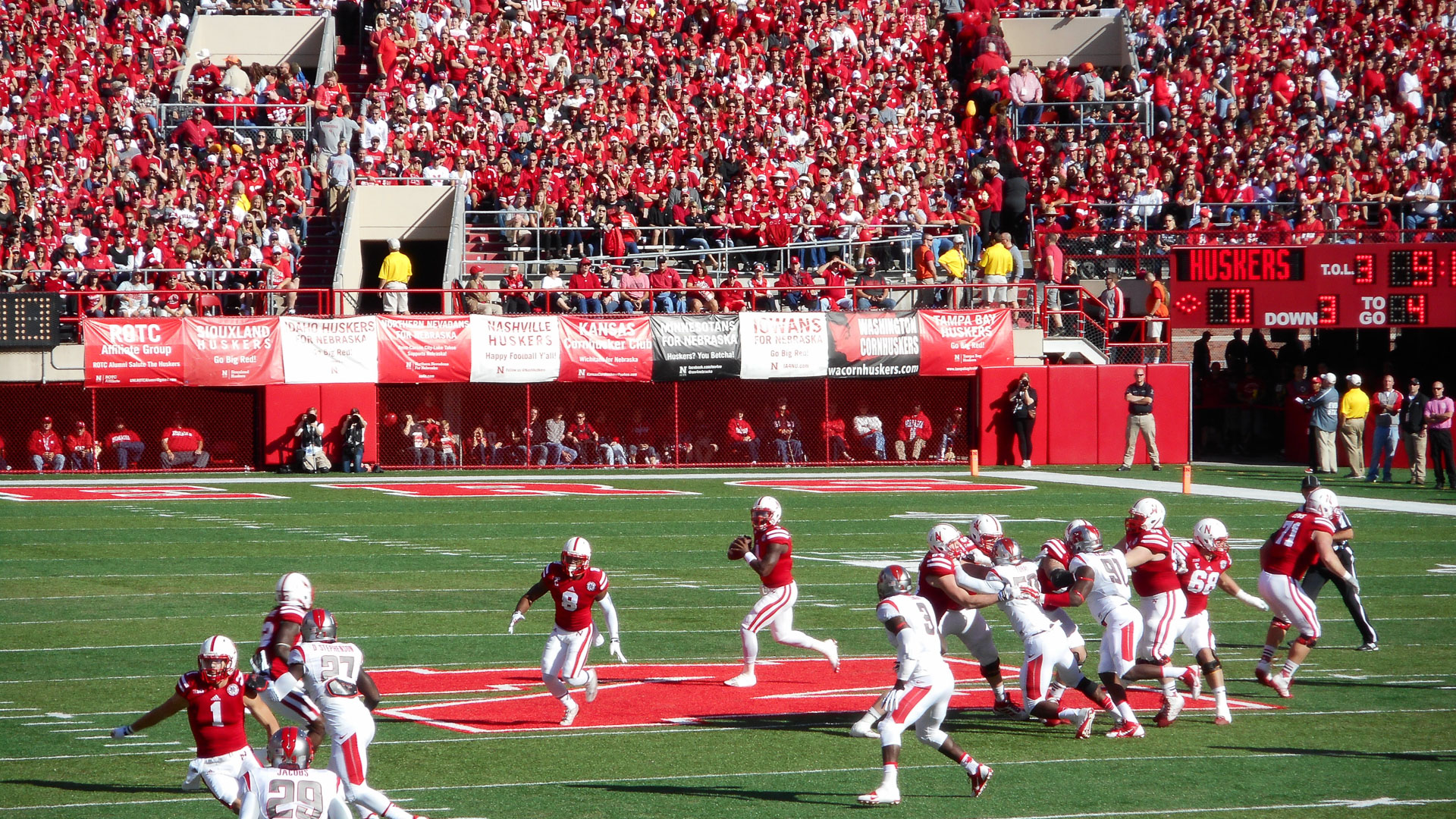 In the annals of NCAA football sellout streaks, the reigning champion and the all-time champion are the same team. The Nebraska Cornhuskers’ capacity attendance record is in its sixth decade and has endured the tenures of seven head coaches. During that time, the Huskers have won 22 conference championships and five national championships and produced three Heisman Trophy winners. 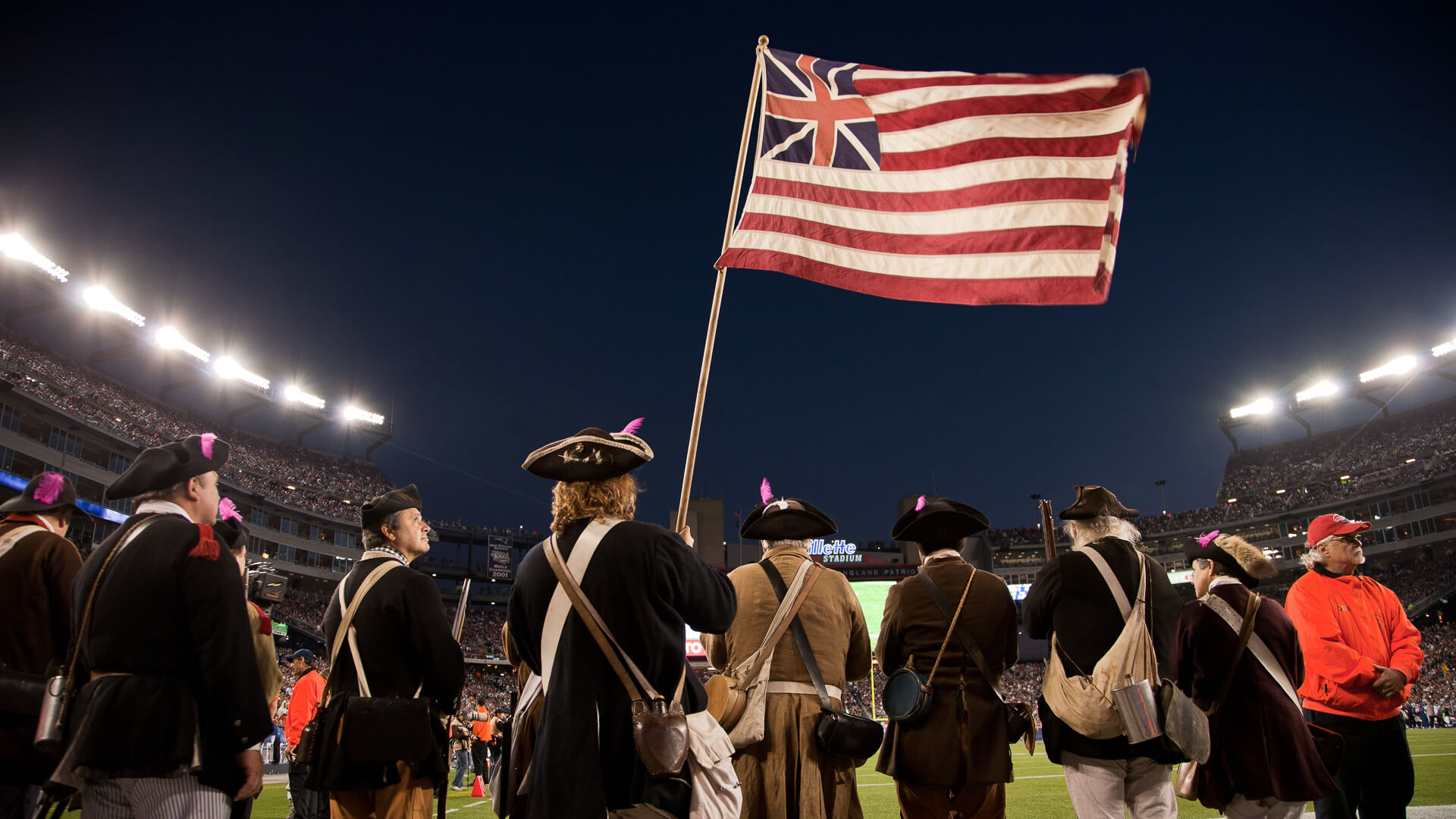 Just because they don’t hold a currently active or all-time record doesn’t mean these teams don’t have amazing sellout streaks worth celebrating. Some of the numbers aren’t as large as teams in other sports, but they are impressive nonetheless for specific leagues. 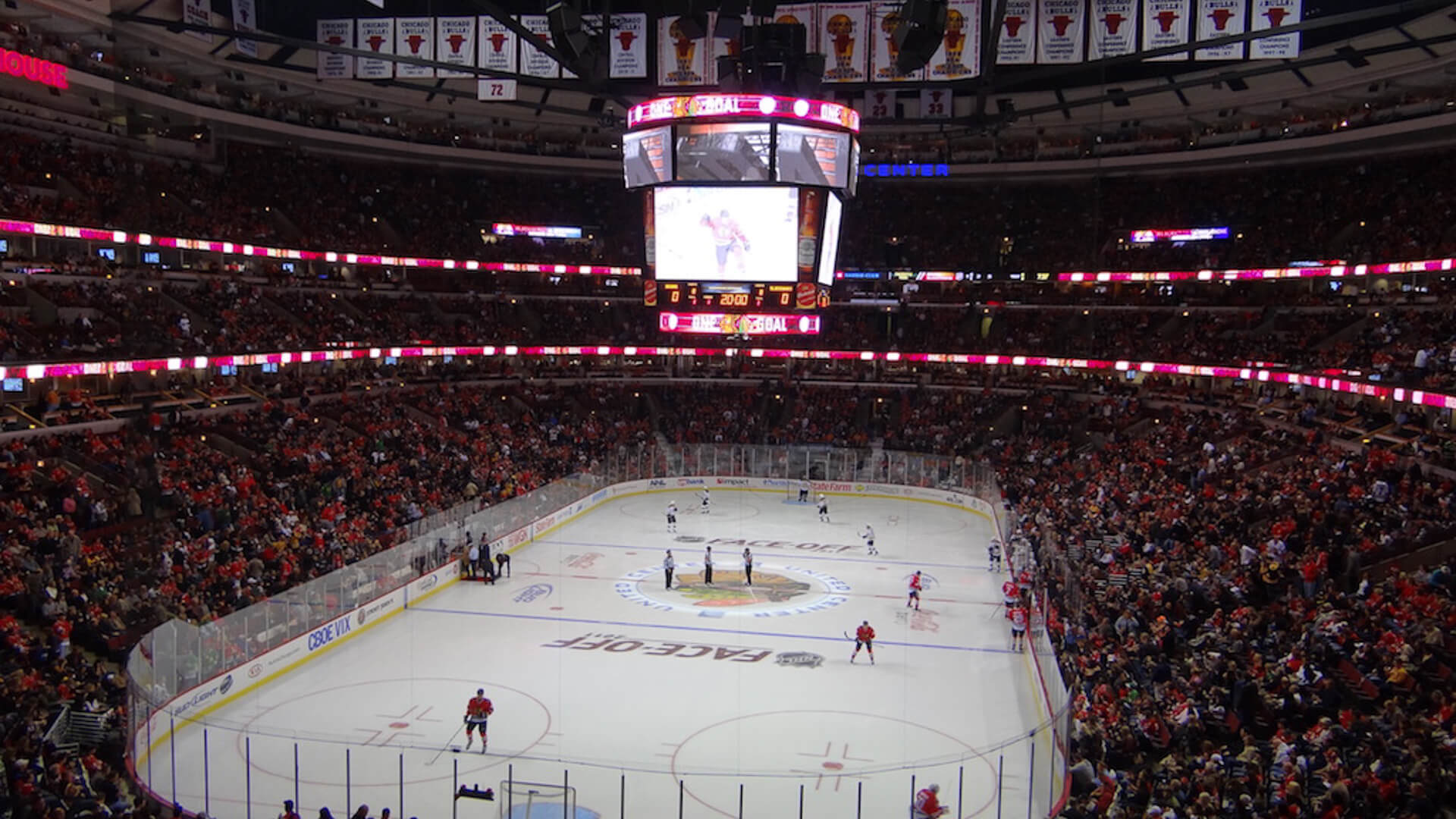 The Chicago Blackhawks claim one of the hottest tickets in hockey. While comparable sellout streaks ended in Winnipeg, Manitoba and Minnesota around the same time, the Hawks sold out their 504th game in October 2019. With 500-plus consecutive sellouts in the books, Chicago is nurturing one of the longest-running streaks in hockey — and in professional sports. 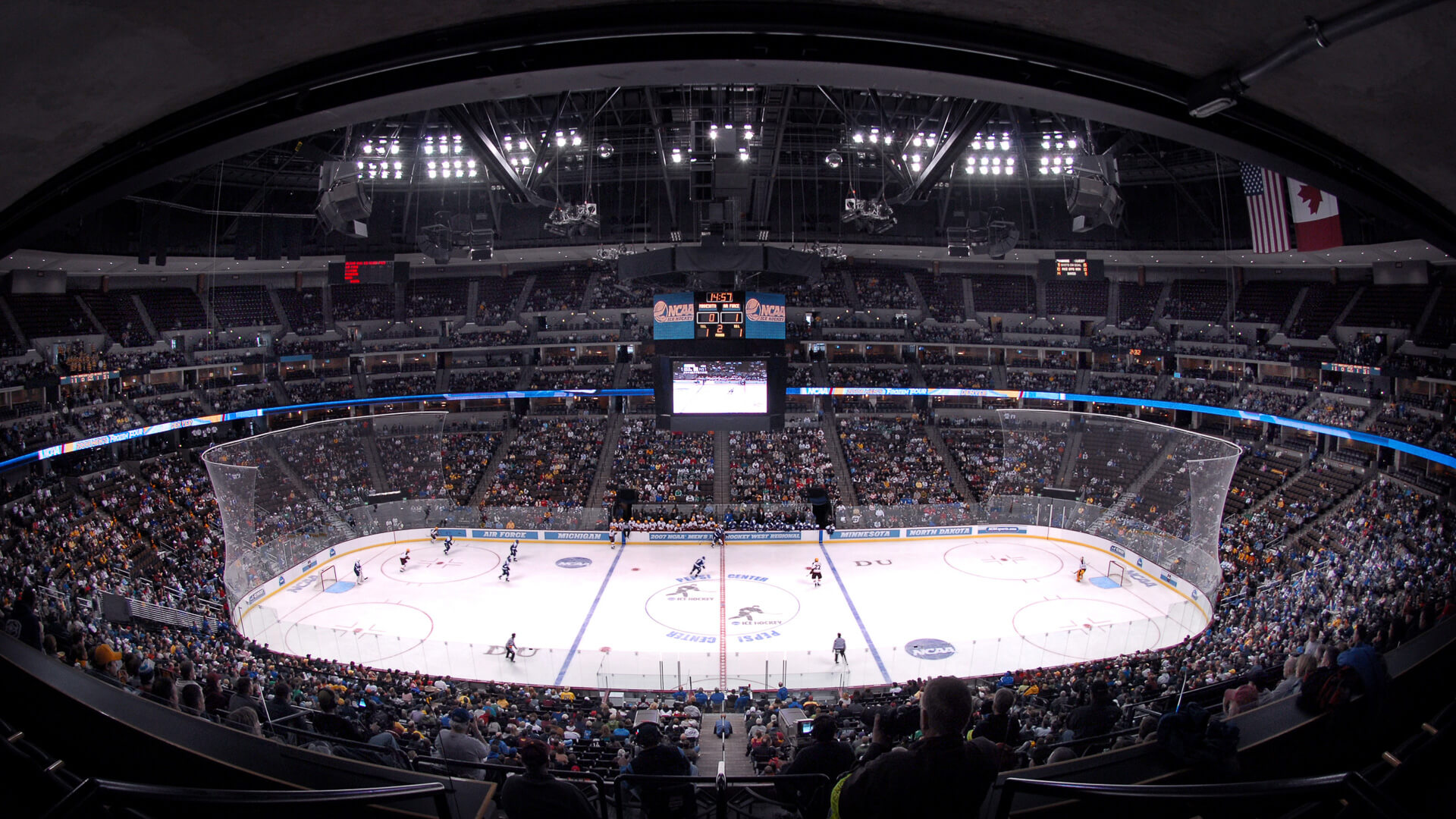 The Quebec Nordiques moved to Denver and became the Colorado Avalanche in 1995. The new kids in town were immediate favorites of the fans. The Avs won the Stanley Cup Final in 1996 and 2001. They played 487 straight games before a full house between Nov. 9, 1995, and Oct. 14, 2006, at McNichols Arena, then the Pepsi Center. Things haven’t gone as well for the Avalanche in the past decade-plus. They haven’t advanced past the conference quarterfinals since 2008.

Eat Before You Go: Stadiums With the Most Expensive Food 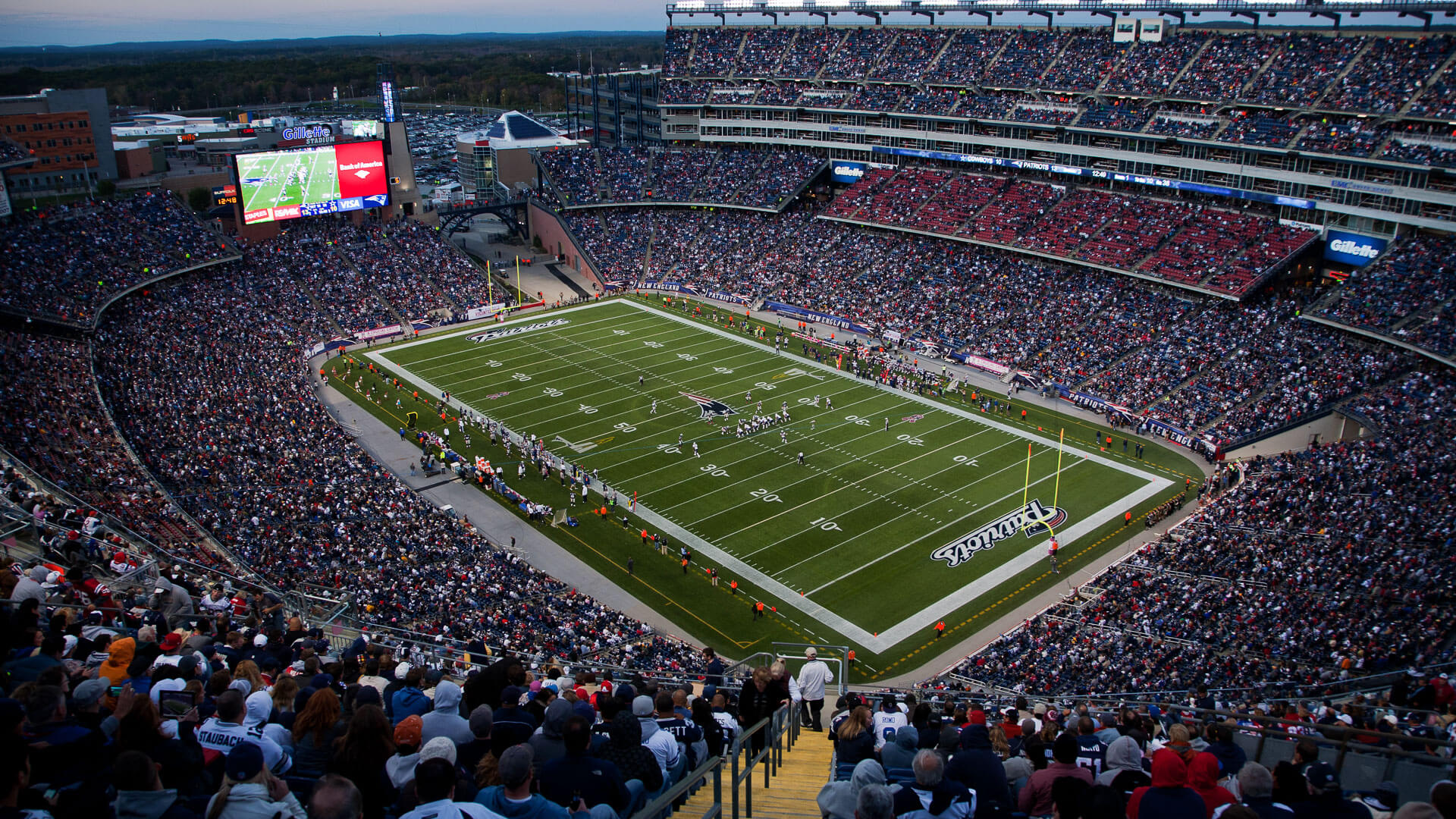 The New England Patriots have dominated football for two decades, and the dynasty engineered by coach Bill Belichick and quarterback Tom Brady has produced six Super Bowl wins in nine appearances. Fittingly, Gillette Stadium in Foxborough, Massachusetts, is packed regularly. The Pats enjoy a sellout streak that dates back to 1994, the year Robert Kraft bought the team, that includes not just regular-season games, but playoff and preseason games, as well. The wait for season tickets is 12 to 13 years long. The sellout streak reached 281 games in Week 14 of the 2019 season. 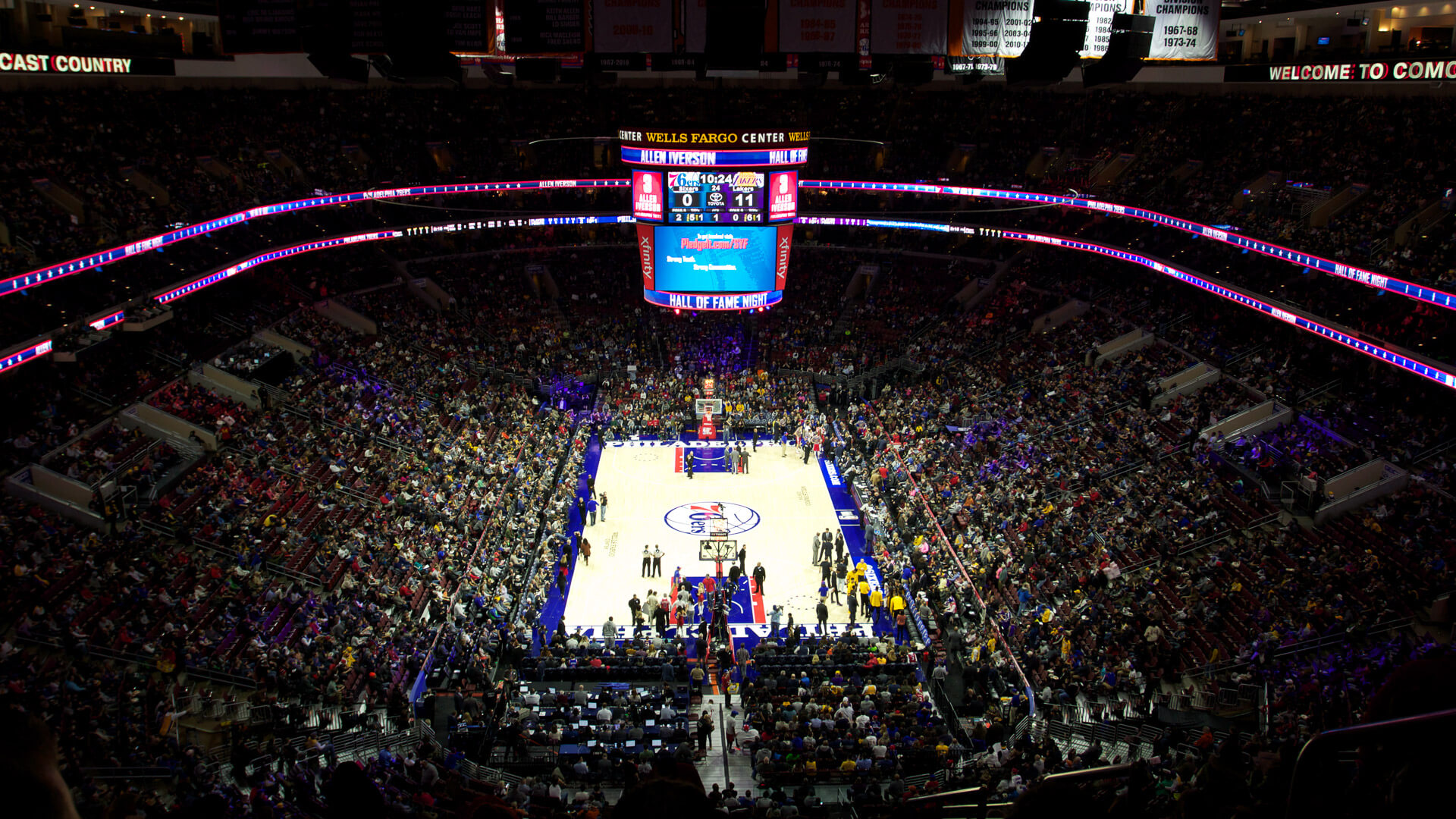 Fueled by a young lineup, the Philadelphia 76ers are experiencing a resurgence on the court — and in the attendance column. The price for a ticket jumped by 28% during the early part of the 2019 season as demand increased by more than 90%, and a buzz surrounds Wells Fargo Center. As of Dec. 10, 2019, the Sixers had sold out 105 straight games. 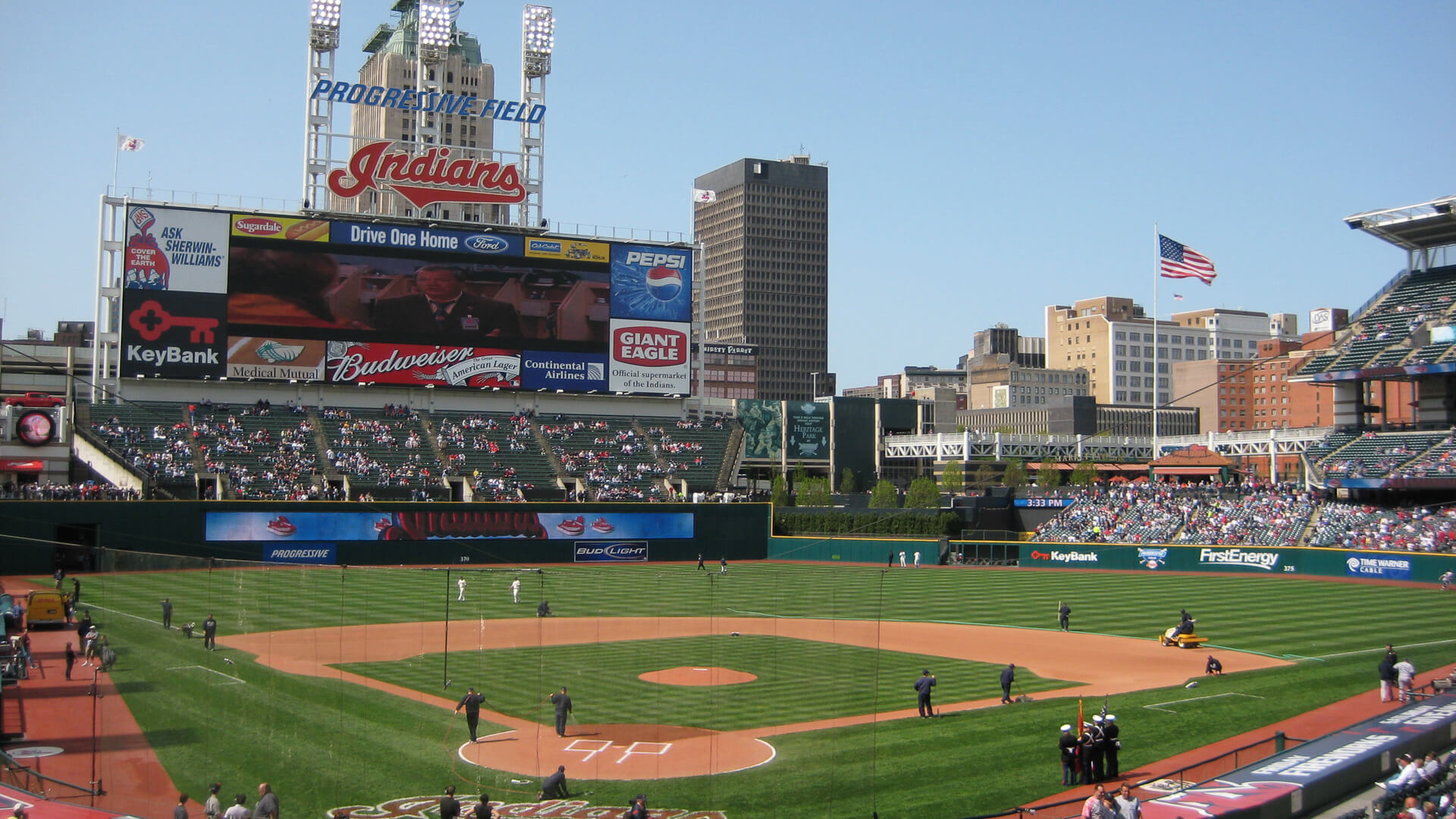 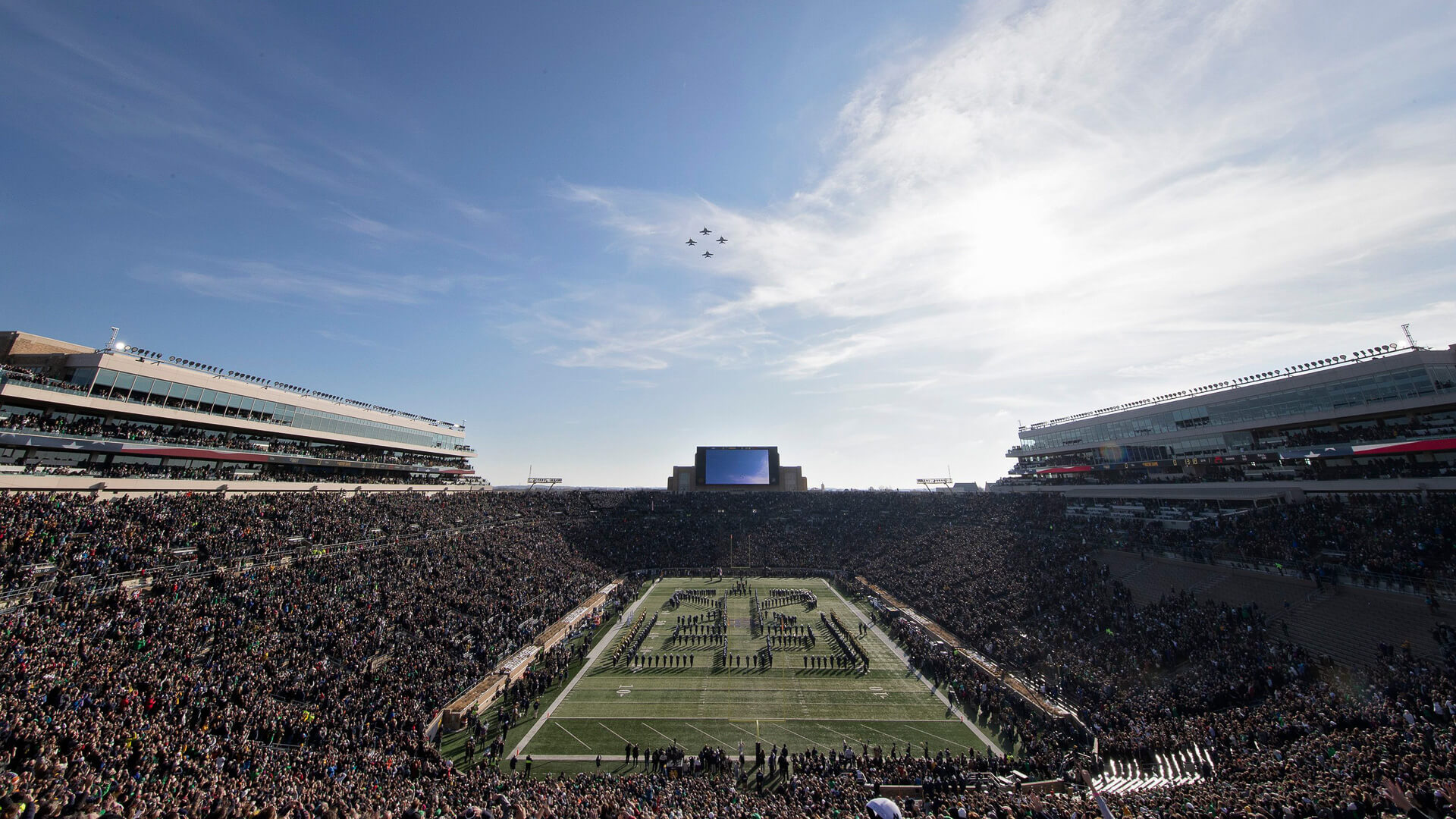 Although Notre Dame trailed Nebraska in the college football category, the Fighting Irish strung together nearly 46 years of sellouts until the streak ended on Nov. 16, 2019. The game against Navy that day marked the first time all tickets went unsold since the Irish played Air Force on Thanksgiving Day in 1973. The monumental streak ended after 273 games. 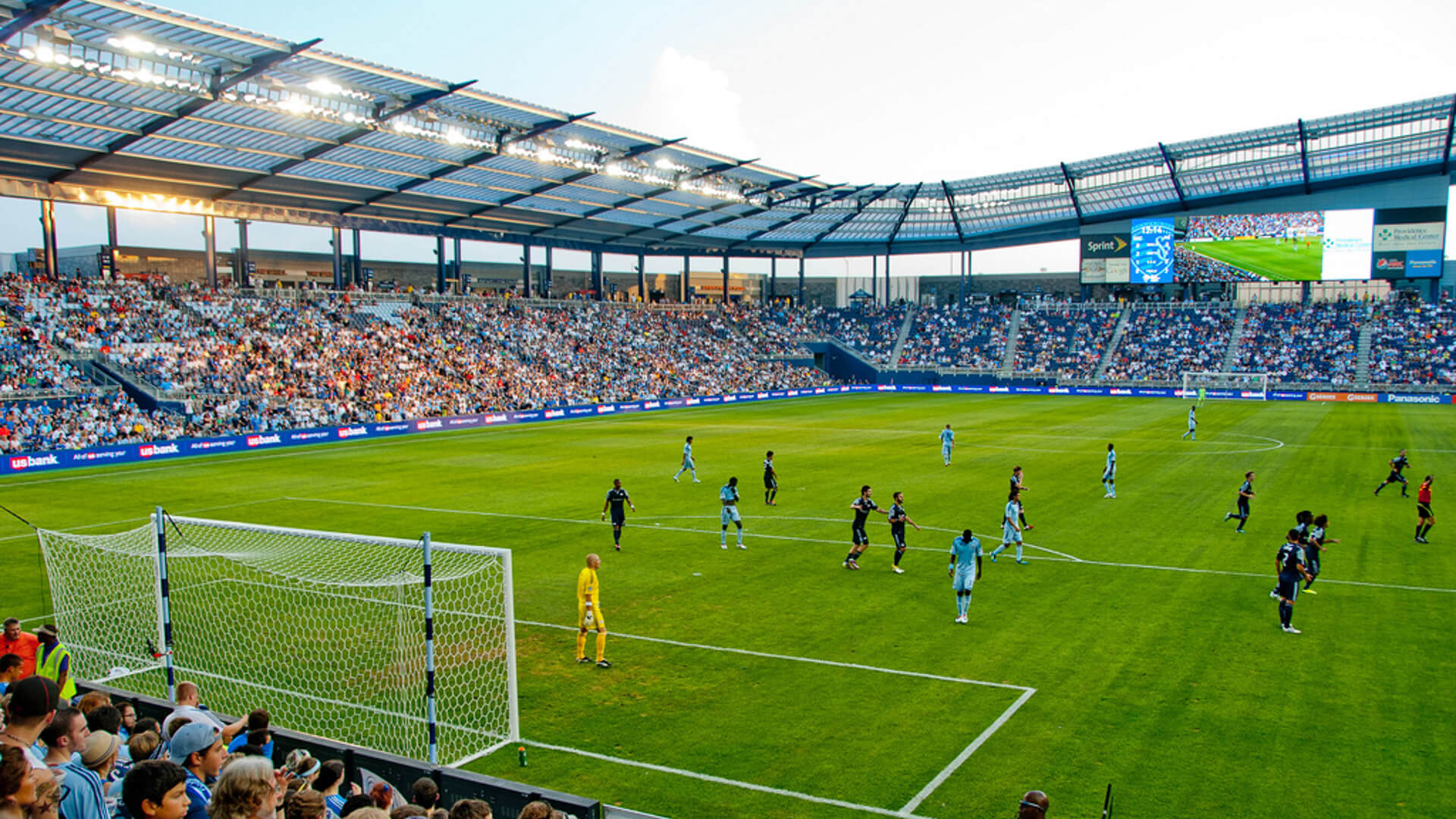 Sporting Kansas City of Major League Soccer failed to make the playoffs for the first time in eight seasons in 2019, breaking what was the third-longest streak in the league. Another streak also ended during the season. When you count playoff games, Sporting Kansas City had sold out 125 games straight, but that ended on April 14, when the team came just 570 tickets shy of continuing the streak. 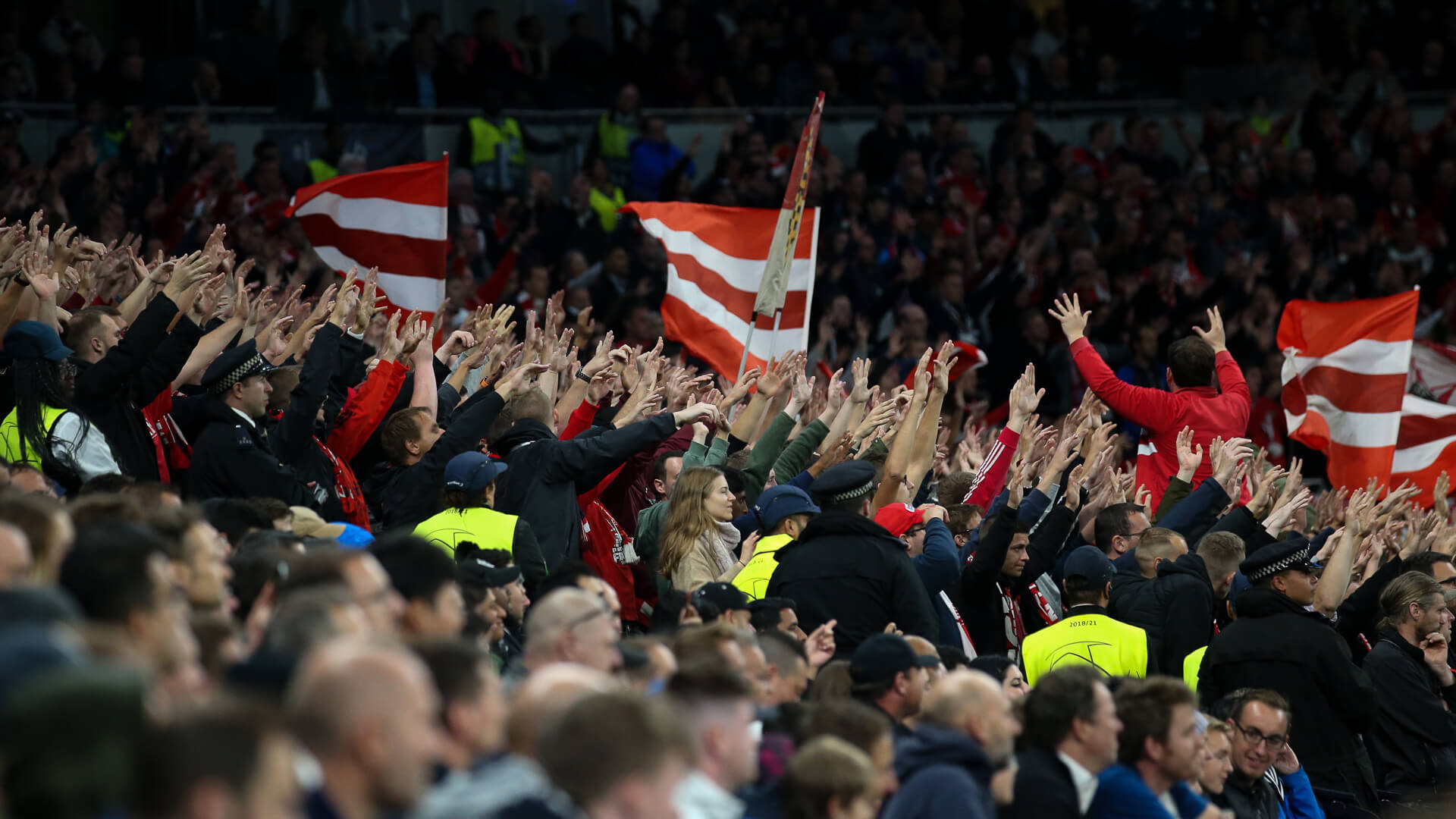 Bayern Munich long has been one of the hottest — and hardest-to-get — tickets in European soccer. Despite several stadium expansions that grew Allianz Arena in the German city from 68,000 to 75,000 seats, early sellouts and long waiting lists were the norm. In 2018, however, after 6.6 million fans passed through combined Bundesliga league stadium gates in the first half of the season alone, the streak ended after 11 years. With 17 home games a year, that’s a streak of 187 games.