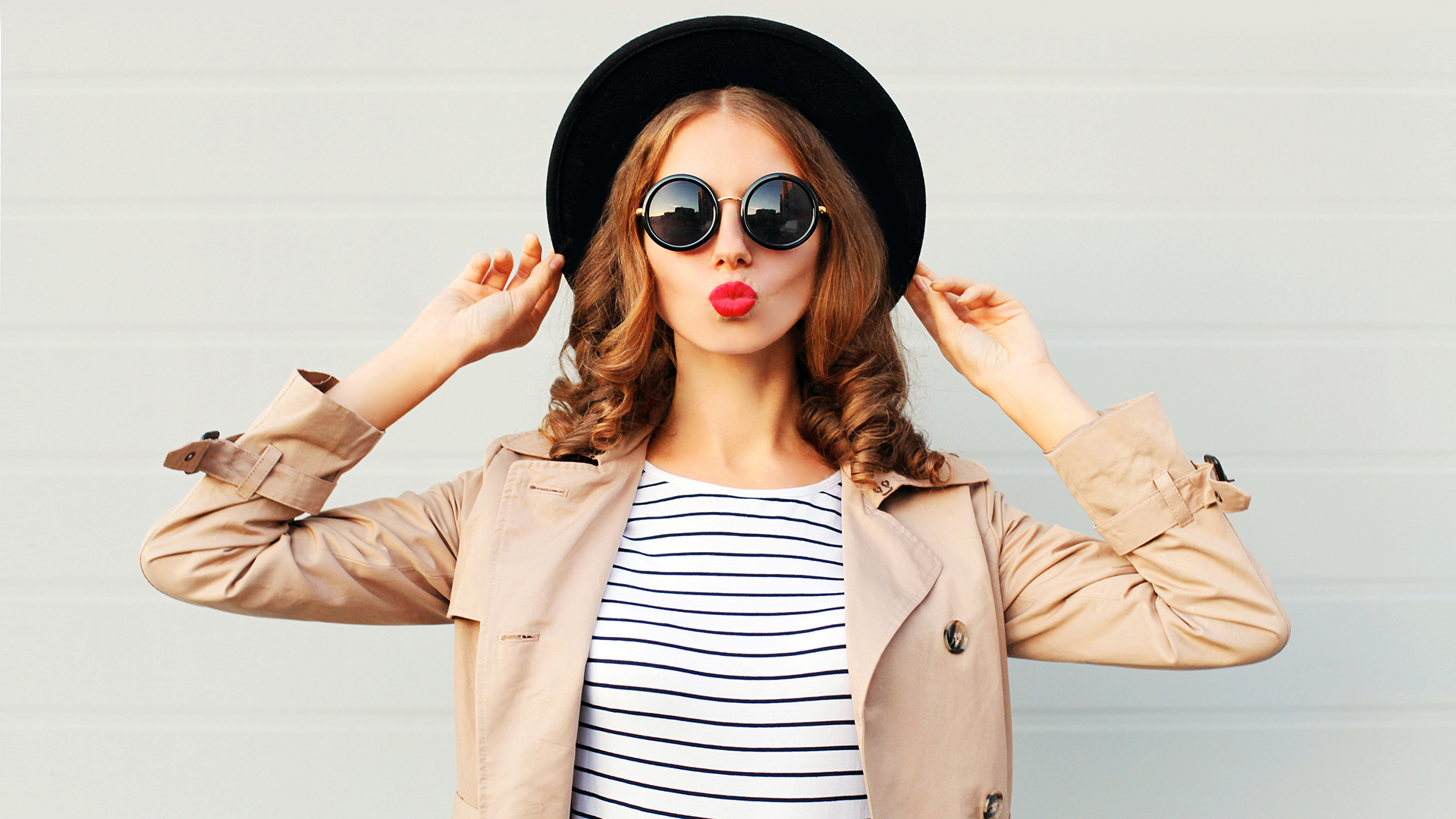 If you work a typical 9-to-5 office job, you’ve probably found yourself daydreaming about doing something more glamorous. Perhaps your dream is to work on movie sets, in fashion, in the nightlife industry or as a matchmaker. And while the jobs in these fields certainly seem exciting, you might be thankful for your office job salary when you see how little some of these “glamorous” jobs actually pay. 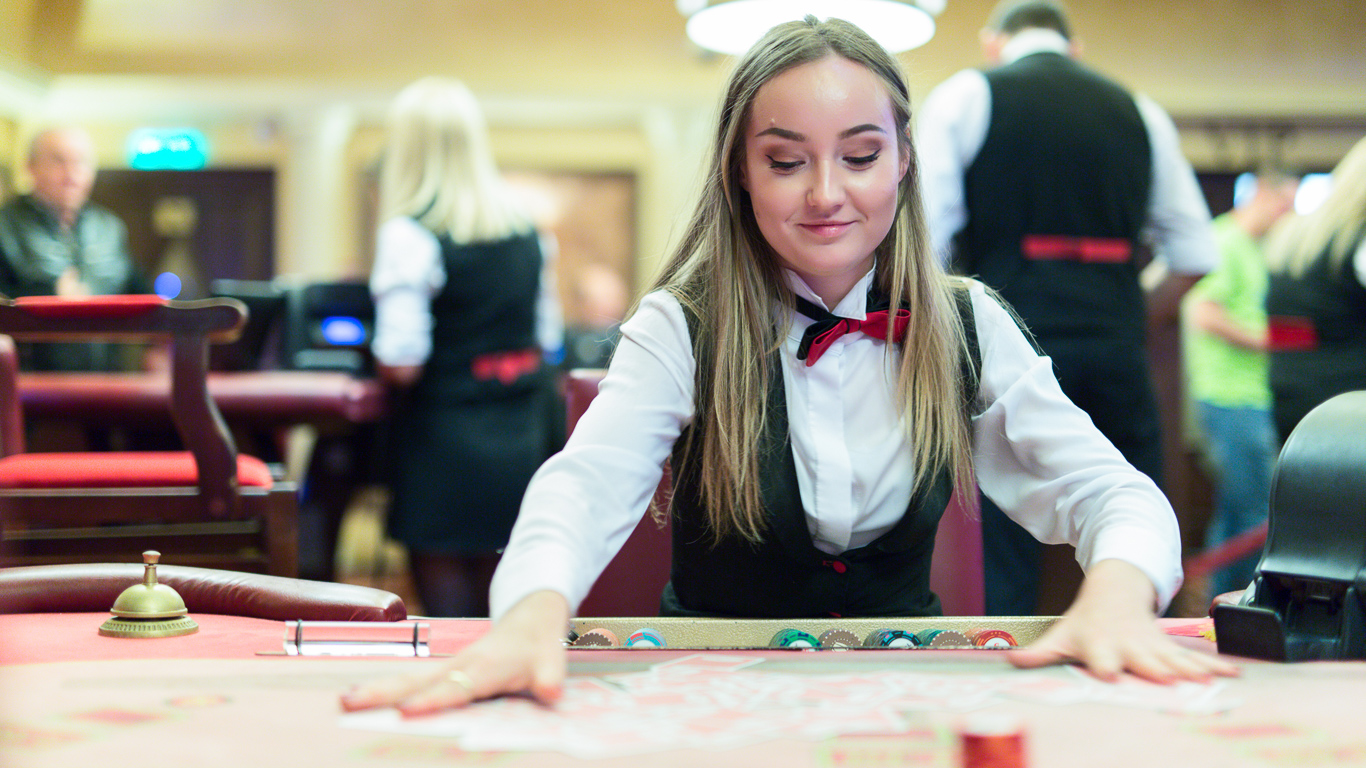 Spending your working hours in a casino and playing games all day seems like a great way to make a living, but professional dealers likely “win” more for the house than they actually take home in a paycheck. The average gaming dealer makes about $11 an hour, according to the Bureau of Labor Statistics. 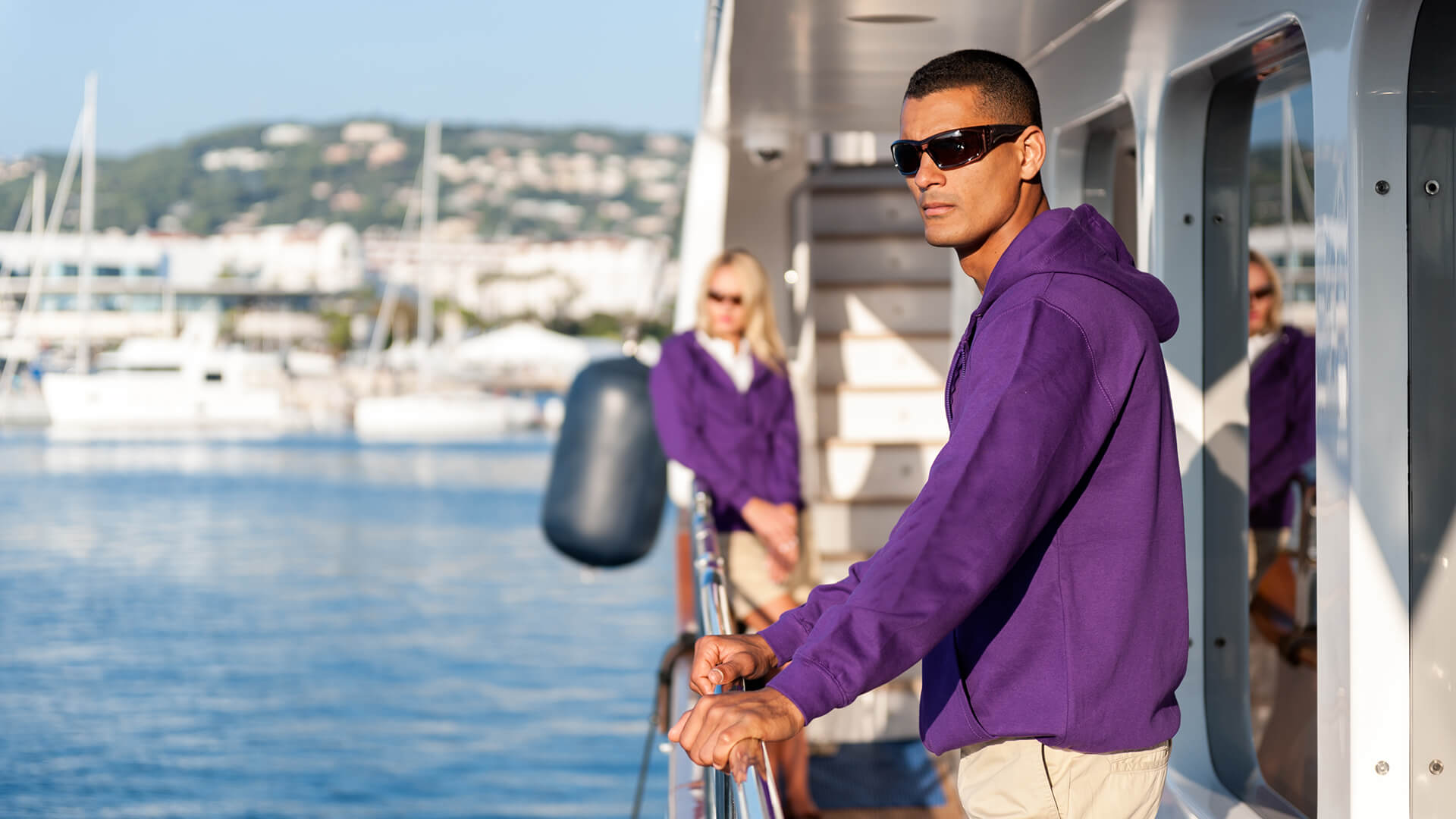 Working on a yacht seems like a dream. You get to stay on a luxurious boat and sail to exotic destinations — plus you get paid for it. An entry-level crew member doesn’t get paid much, however. A deckhand’s salary typically starts at $2,000 a month, according to the Luxury Yacht Group. That means if you spent the whole year at sea, you’d only bring in an annual salary of $24,000. 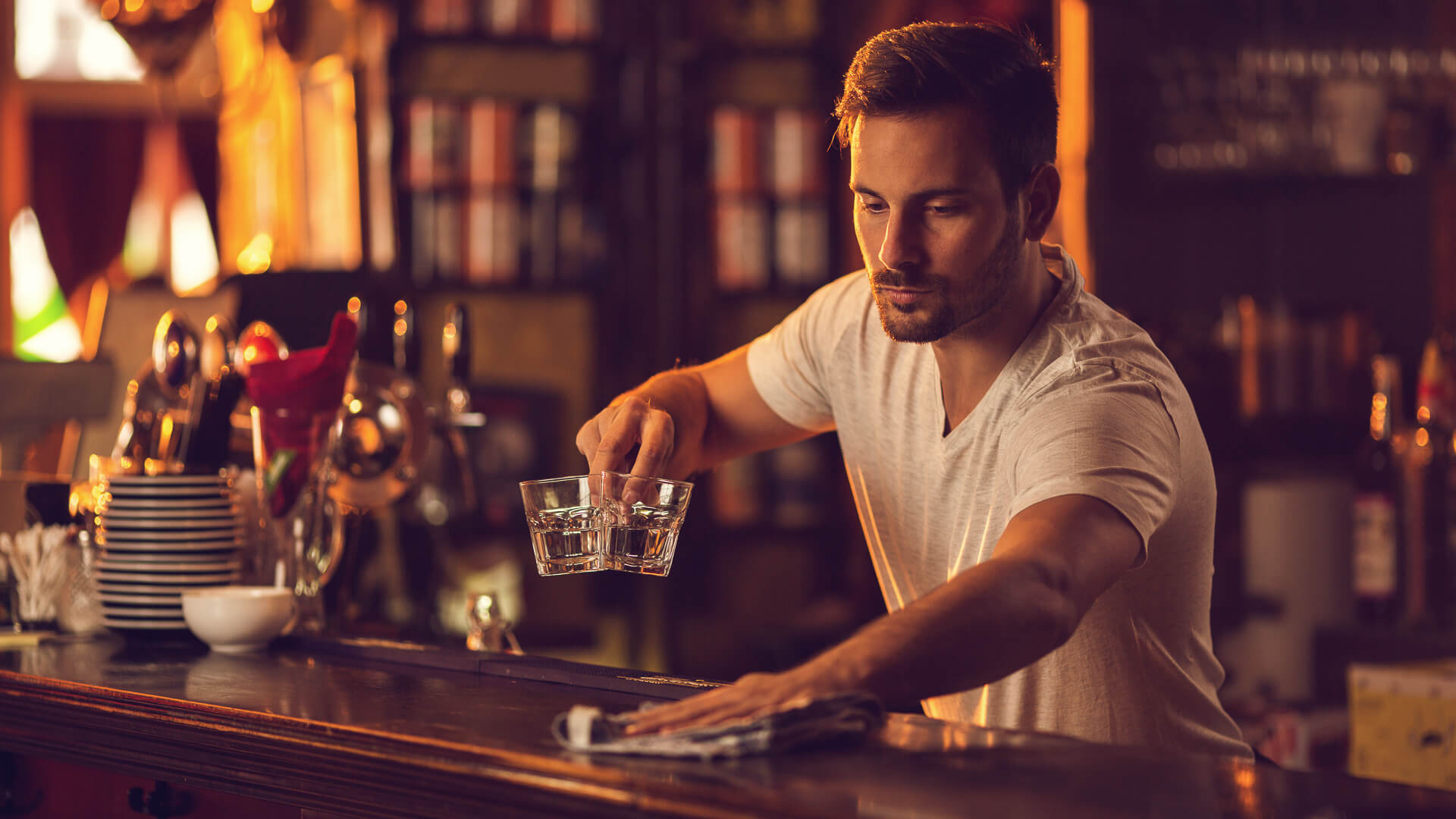 Working at a bar definitely seems like a fun job — you get paid to be out at night and being social is part of the job description. However, the nights can be long and tiring as you’re on your feet for hours on end. Plus, you could get stuck with a bunch of stingy tippers if you’re unlucky. According to the Bureau of Labor Statistics, the median pay for bartenders is $22,550 per year. 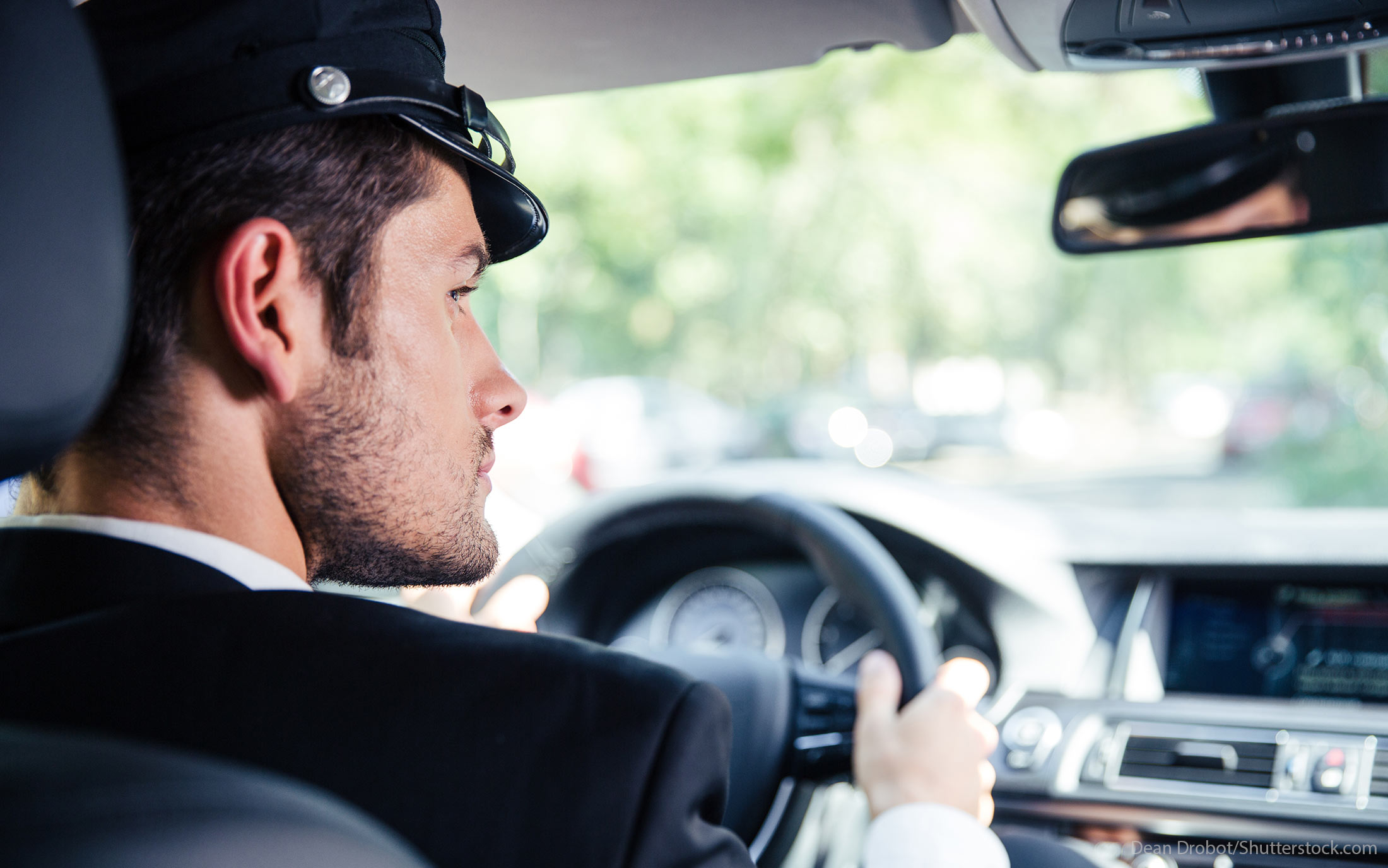 As a private chauffeur or limo driver, you get to interact with celebrities and other high-profile clientele — and drive a pretty sweet car. Despite driving an expensive ride, chances are you wouldn’t be able to afford other fancy things with a salary of about $26,000, the median pay for chauffers according to the Bureau of Labor Statistics. 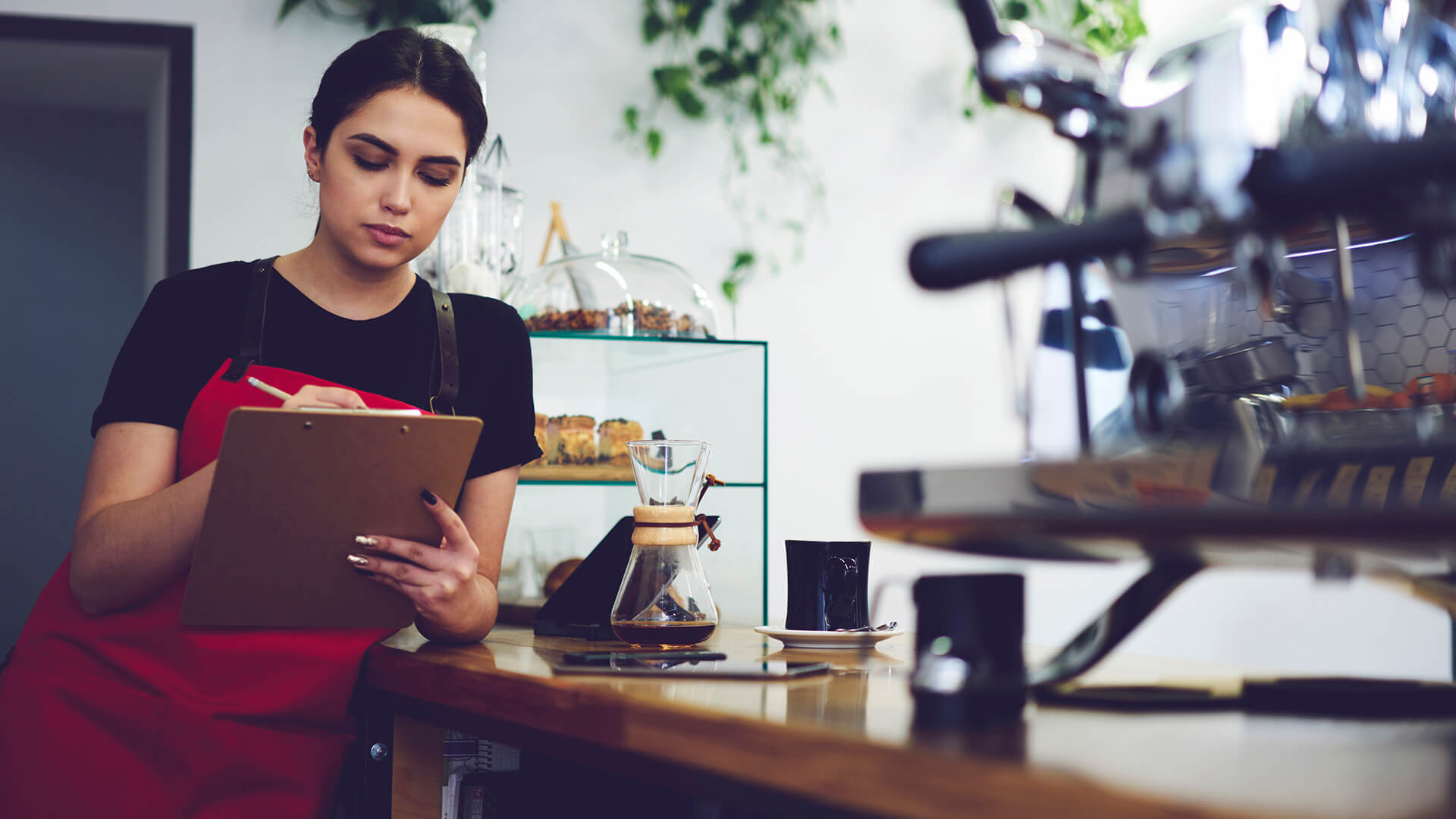 Landing a host or hostess gig at a swanky restaurant or lounge might give you the opportunity to rub elbows with the rich and famous — but it doesn’t mean you’ll be rich yourself. The average worker with this position makes around $11 an hour, according to data from the Bureau of Labor Statistics. 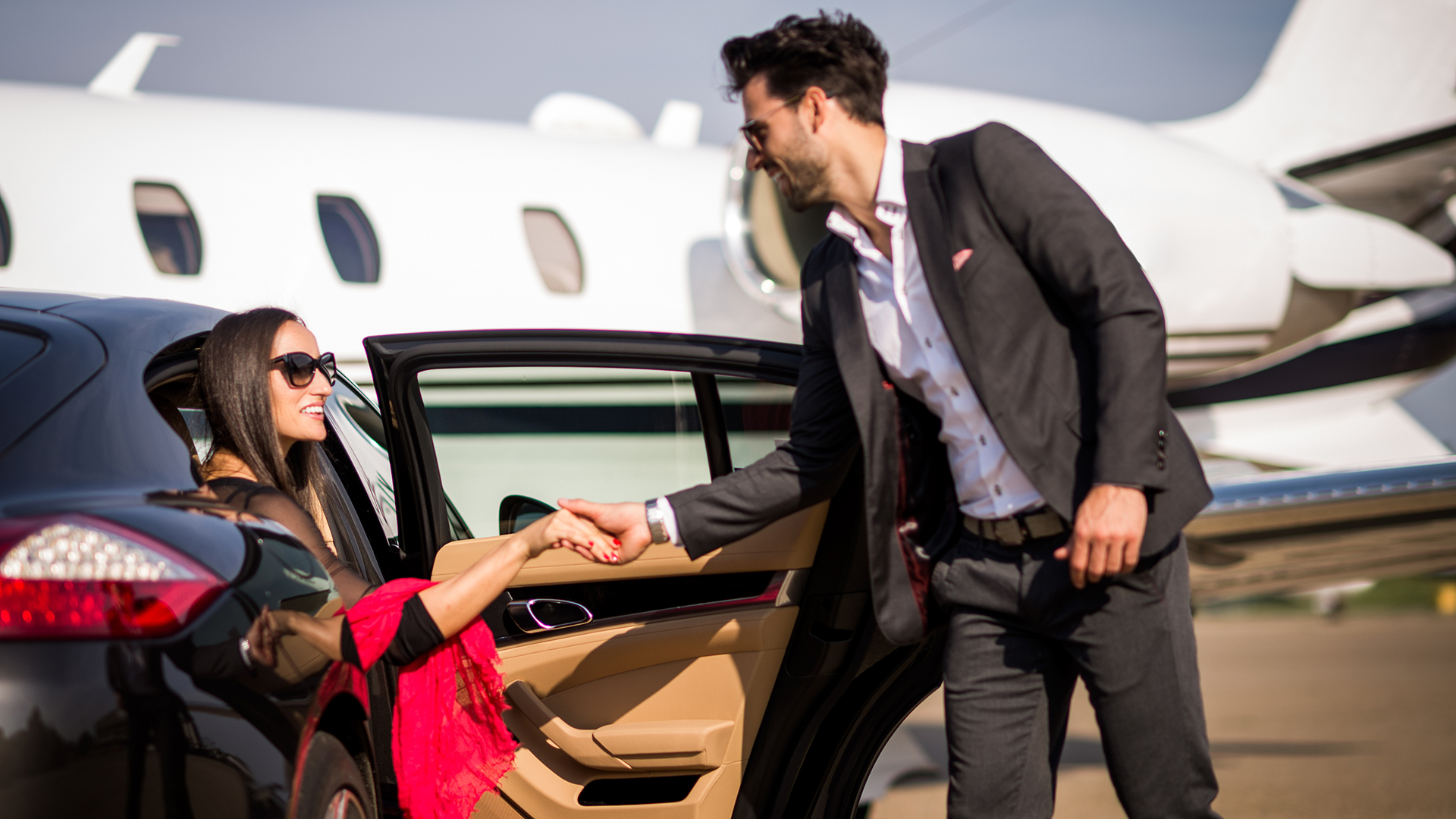 Working as a personal assistant to a celebrity or other high-profile individual will give you a peek into a world many people don’t get to experience — but chances are, you won’t be able to afford to live in that world yourself. The average personal assistant makes roughly $15 an hour, but some assistants earn as little as $10.02 per hour, according to PayScale. 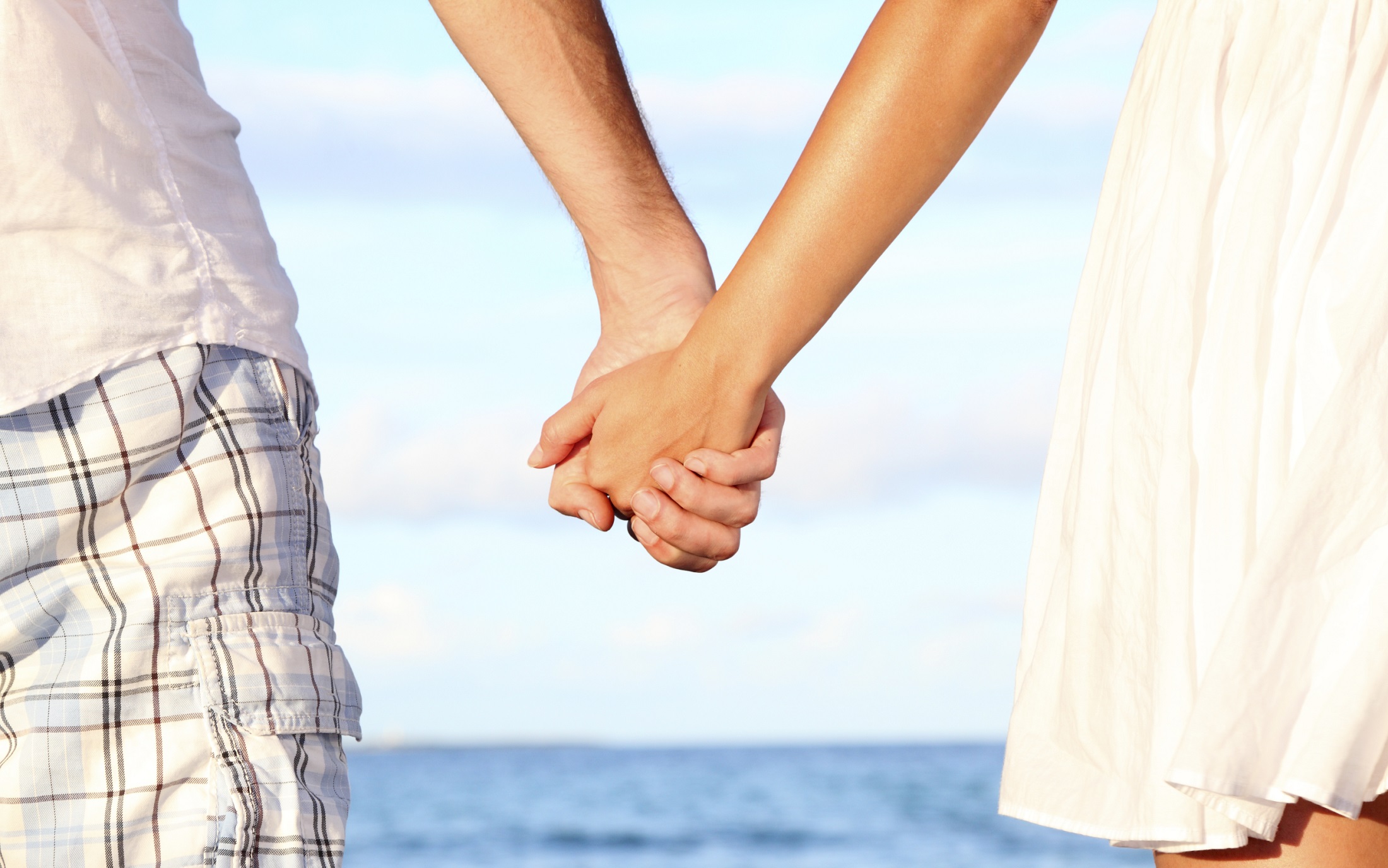 For matchmakers, every day is like a real-life rom-com. These outgoing professionals bring hopeful singles together to find love. However, if you’re not good at finding paying clients, your pay can be very low, as many of these positions are commission-based. One Florida-based company currently hiring matchmakers on Glassdoor stated that the starting salary can realistically range from $10,000 to $50,000. 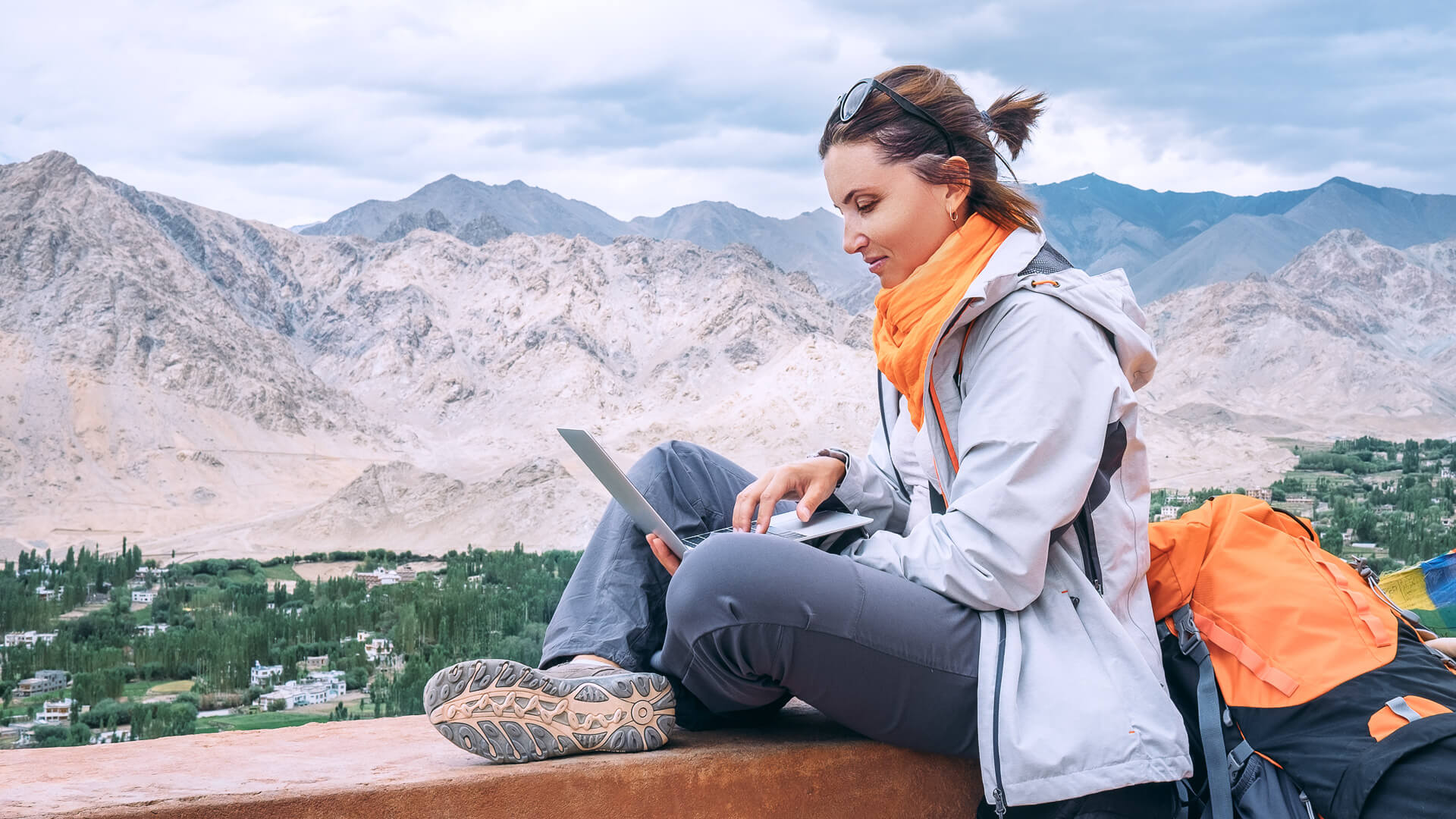 Some lucky individuals have been able to turn writing about travel, fashion, politics or another topic they are passionate about on a personal blog into a full-time gig. Some bloggers might work for a company’s social media team, and others might be trying to make it as a full-time blogger while taking writing gigs here and there. If writing is what you love, getting to do it for a living is definitely a sweet gig. But if you’re working for yourself, you might not have a steady stream of paying work. If that’s the case, making $14.98 an hour — the average blogger pay, according to PayScale — would be rough. 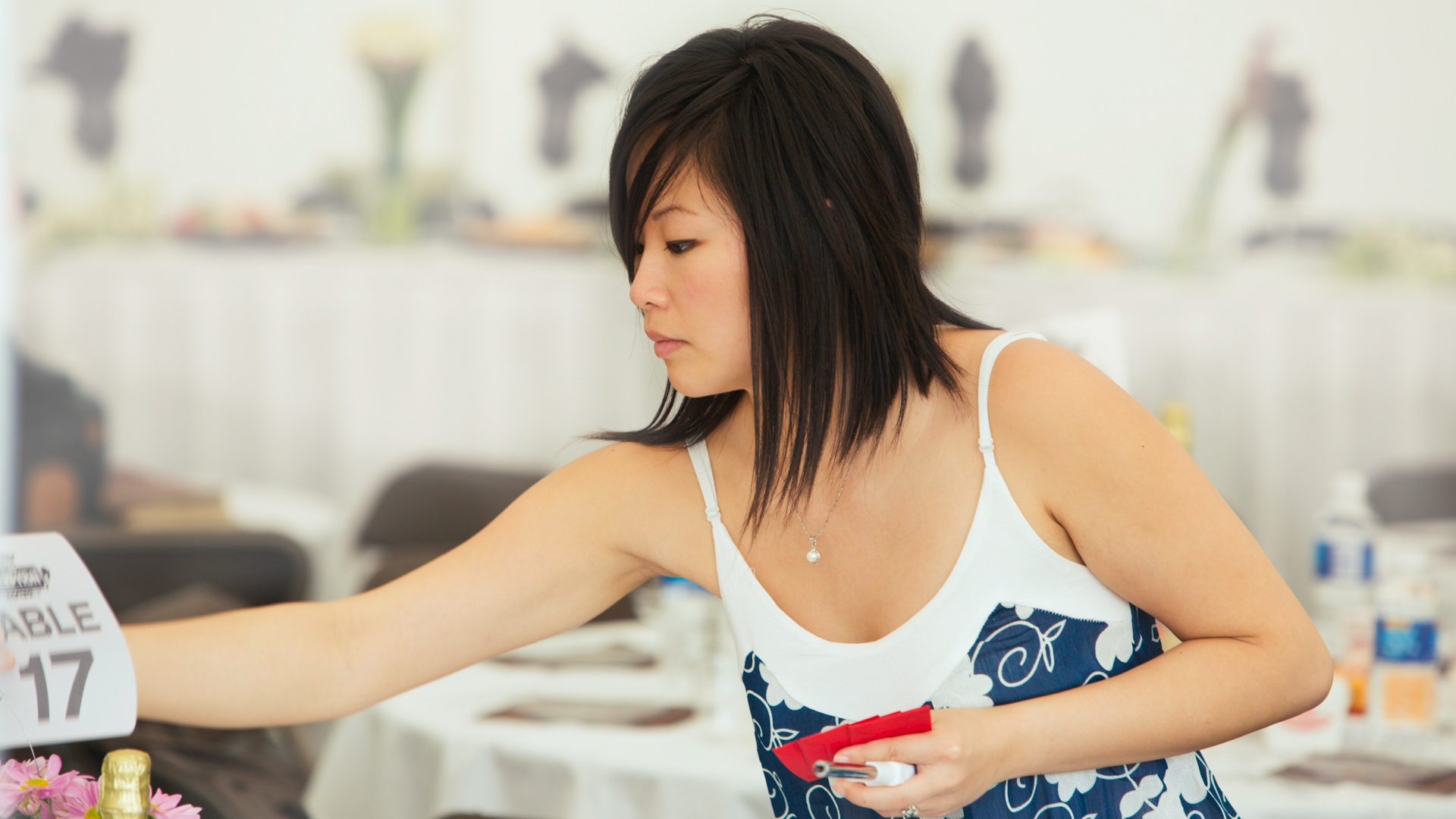 Being an events assistant can get you access to exclusive parties, concerts and galas, but you’re there to work, not to partake in the festivities yourself. Tasks can include everything from office chores leading up to the event to handling requests and needs that pop up during the event. This job is one that’s not as glamorous as it seems, and the pay isn’t great either. The lowest-paid 10% of events assistants make $26,000 a year, PayScale reported. 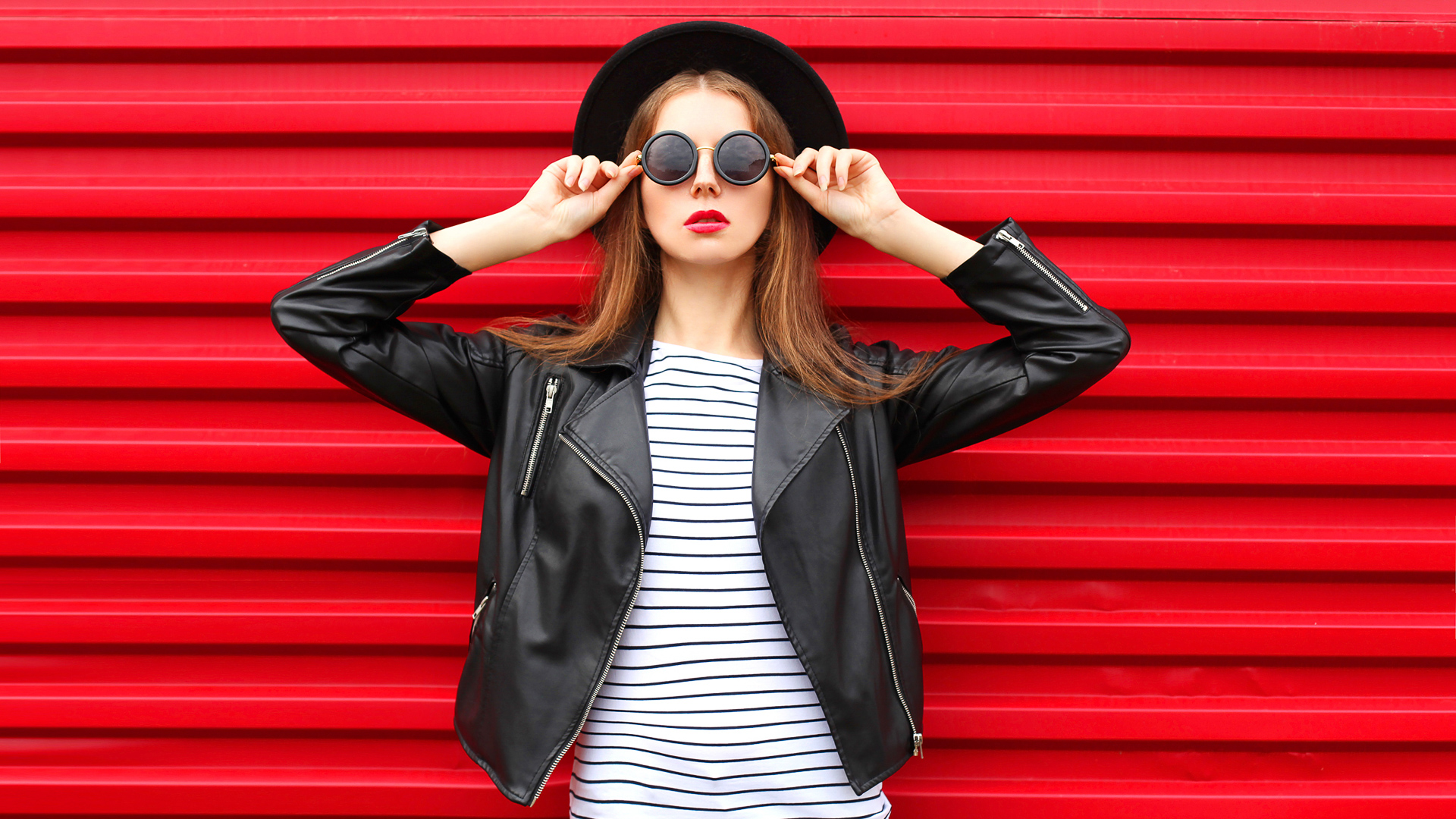 While it’s true that the Gigi Hadids of the modeling world make a fortune, the average model is not making millions. People starting out in the modeling world can expect to make about $11 an hour while posing for photographers, artists and other clients, according to the Bureau of Labor Statistics. 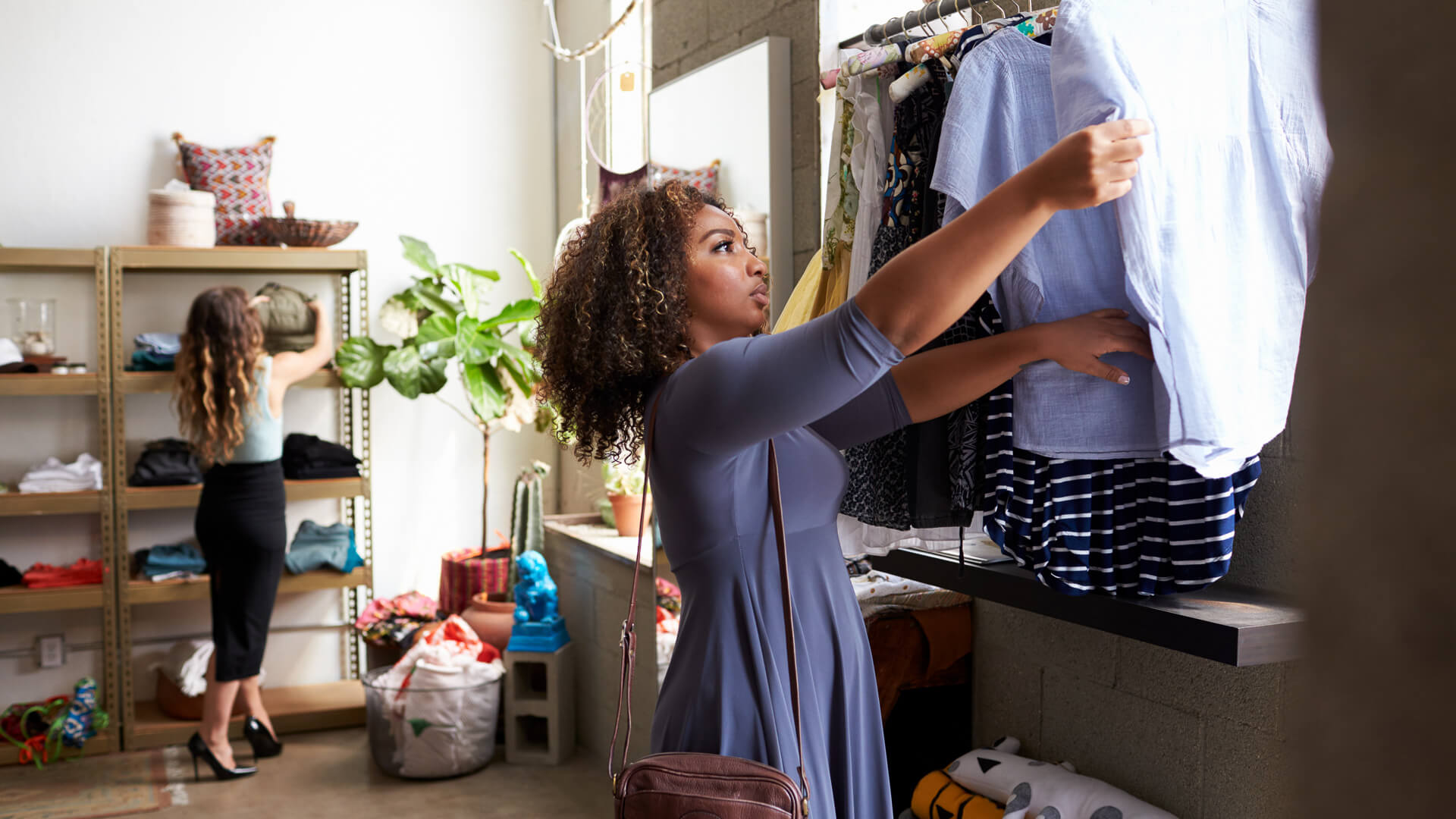 Getting paid to shop could be an ideal job for any fashion enthusiast. You probably won’t have a lot of disposable income to spend on clothes for yourself, however, with an hourly wage of less than $12, the average pay according to PayScale. 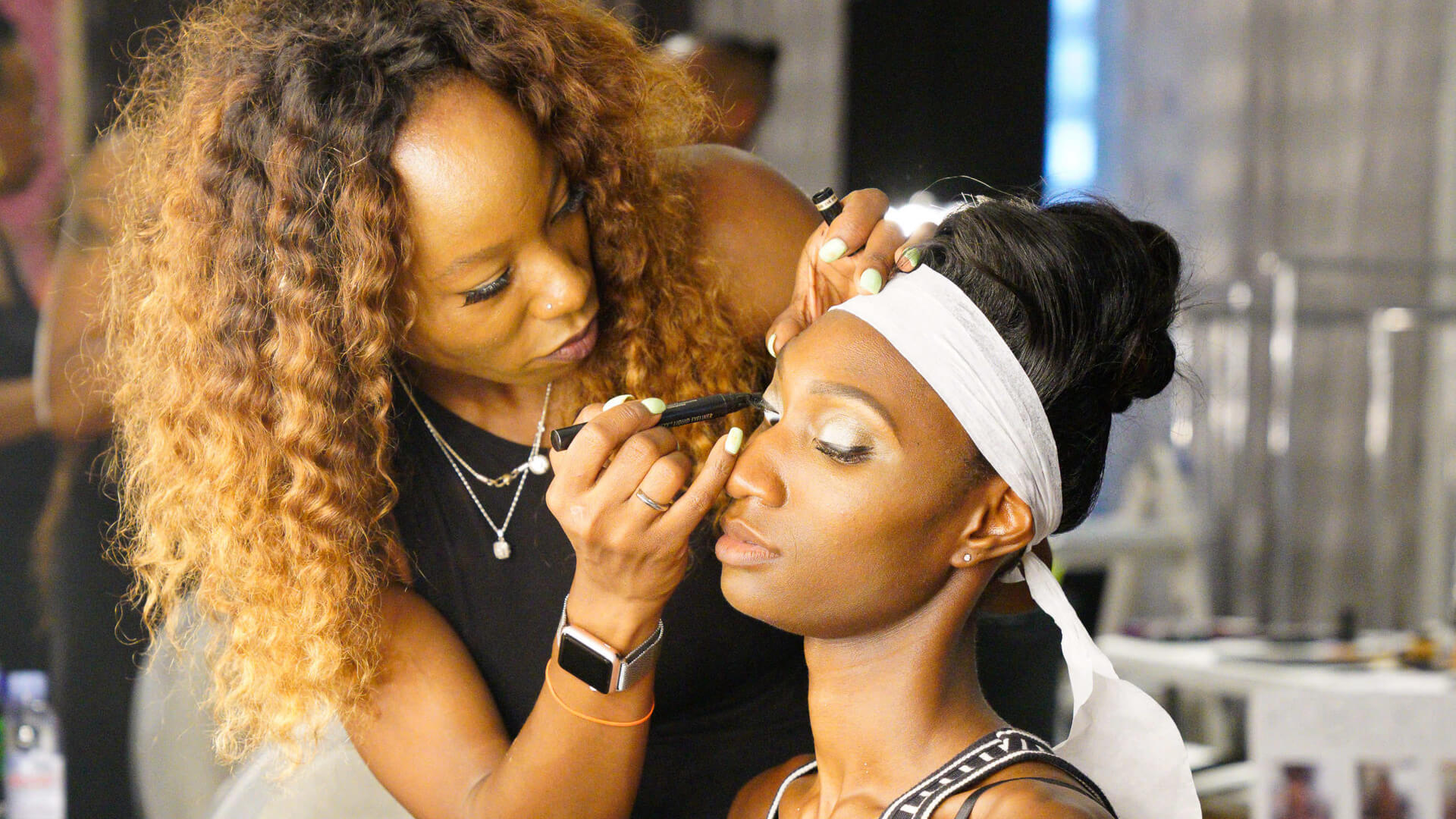 As a makeup artist, your job is to make people look more glamorous. Unfortunately, you won’t get paid much to do it — the median pay is less than $25,000, according to the Bureau of Labor Statistics. 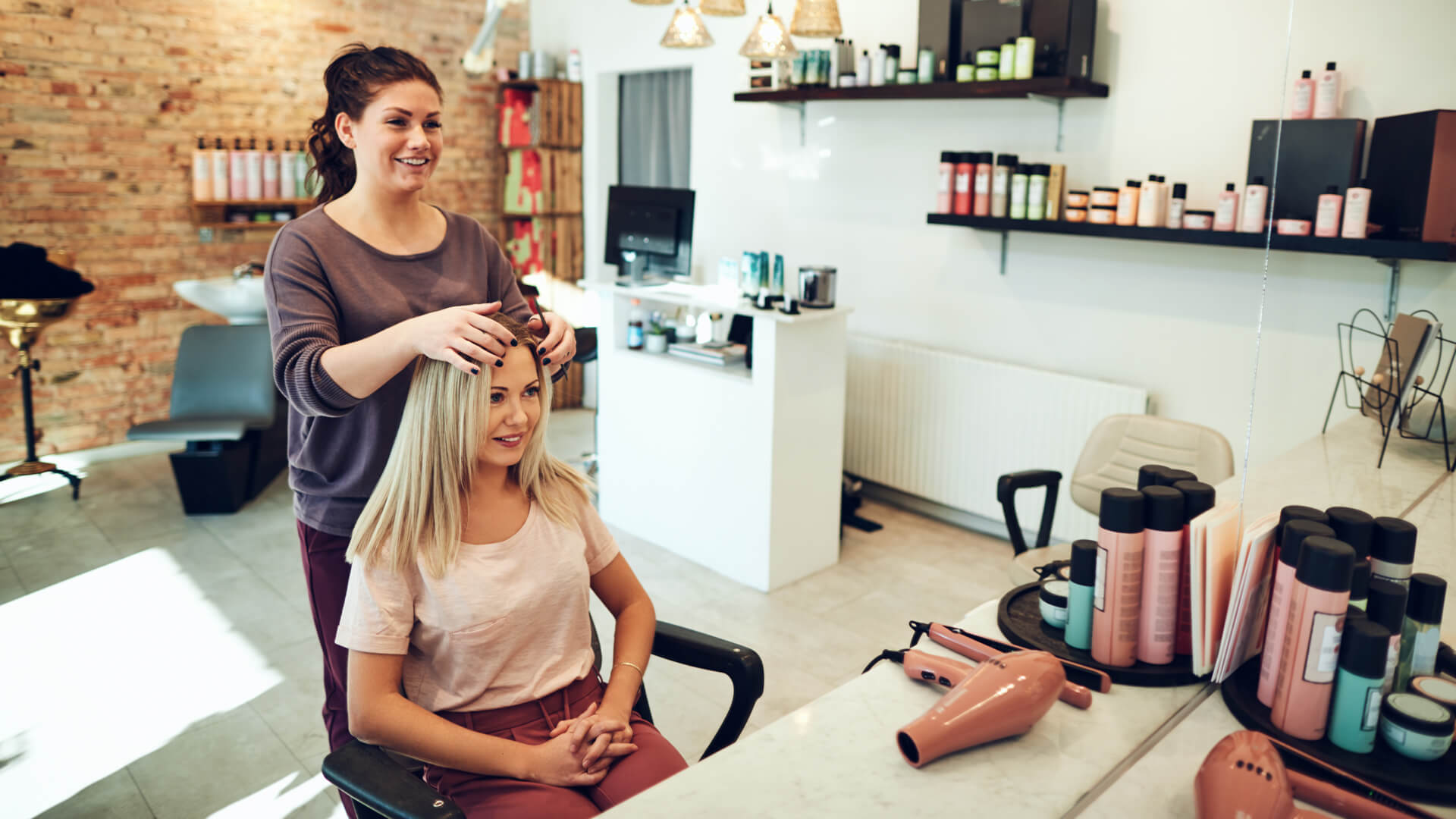 Hairstylist is another occupation that focuses on making your clients feel glamorous. However, as with makeup artists, the pay isn’t glamorous with this job. 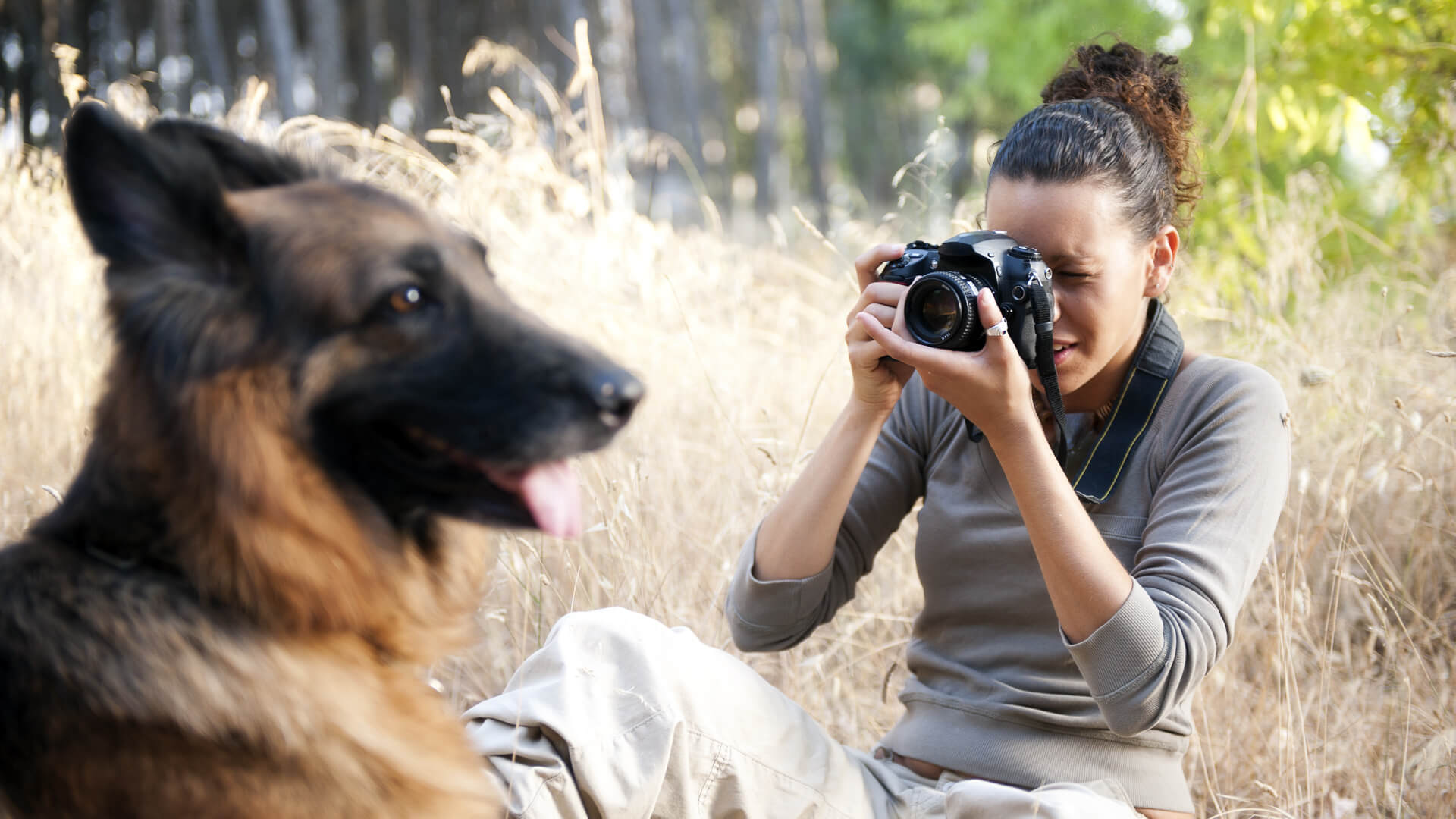 As a photographer, you can work on glamorous projects including high-fashion photoshoots or splashy ad campaigns, and you get an exclusive behind-the-scenes look into how it all comes together. And while famous photographers such as Annie Leibovitz make millions of dollars, the median pay is only about $16 per hour, according to the Bureau of Labor Statistics. 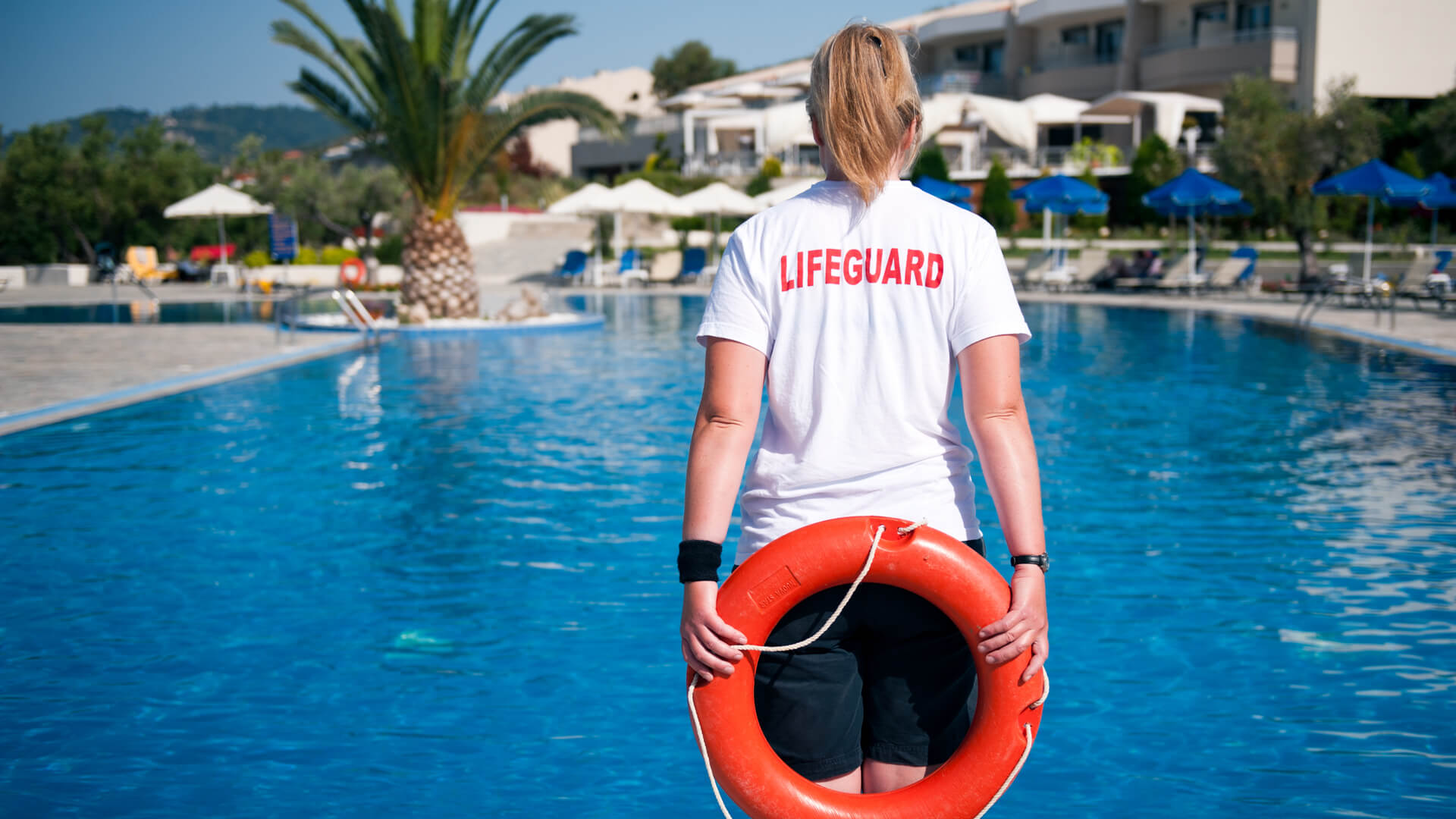 Being outside all day by the pool or beach certainly seems glamorous — and if “Baywatch” is any indication, the job usually entails working alongside extremely good-looking people. In real life, however, the job can be stressful, as you have swimmers’ lives in your hands. And you don’t get paid much to do it — the average lifeguard makes less than $12 an hour, according to the Bureau of Labor Statistics. 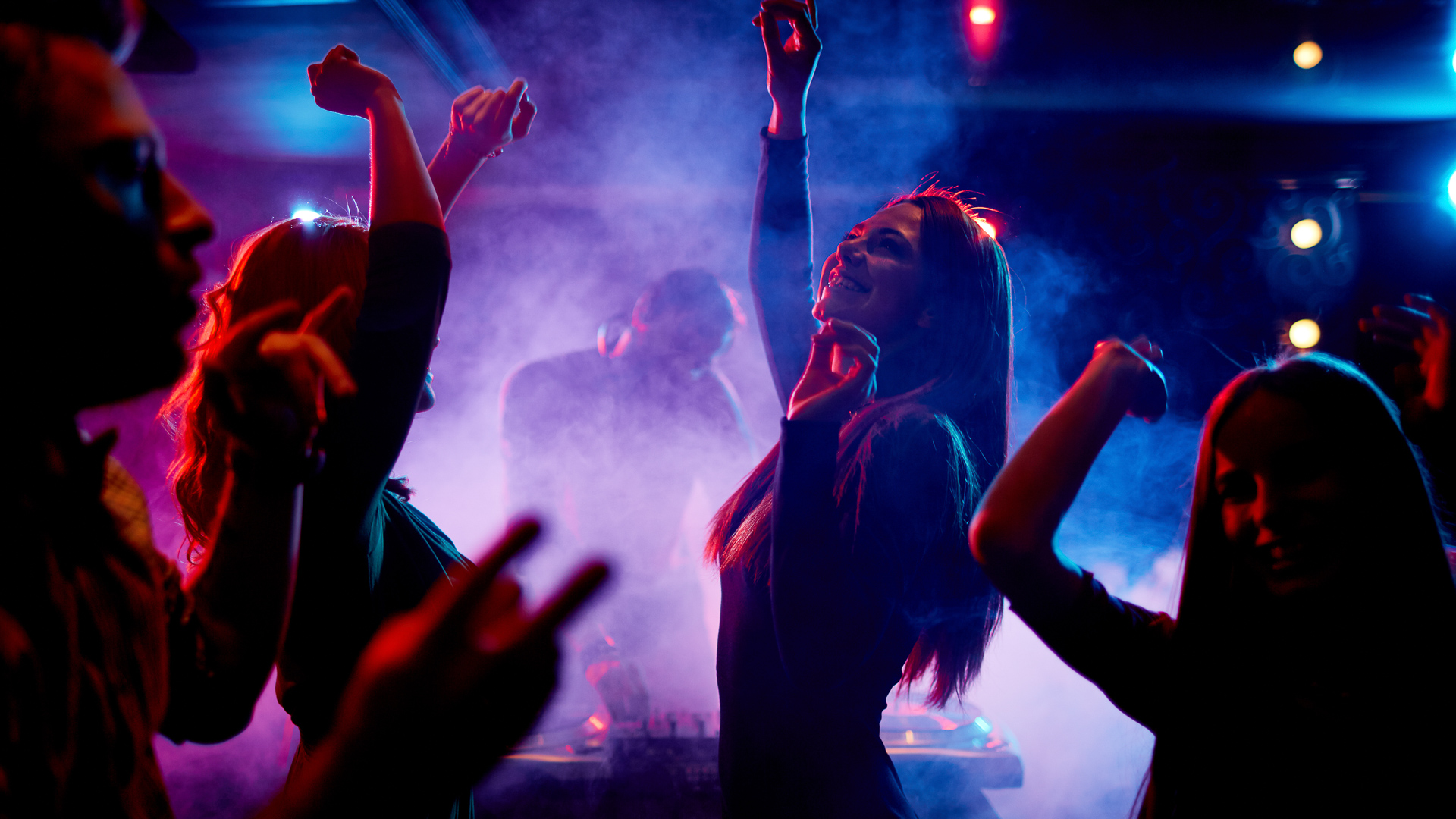 Club promoters get paid to party and hang out with DJs and other performers. But the hours can be long, and the pay varies widely depending on where you work, how big the venue is, how much it costs to get in and the pay structure for your establishment. Because there are so many variables to promoter pay, it’s hard to say what the average salary is, but Career Trend says that it can range from $10,000 to $100,000 a year. 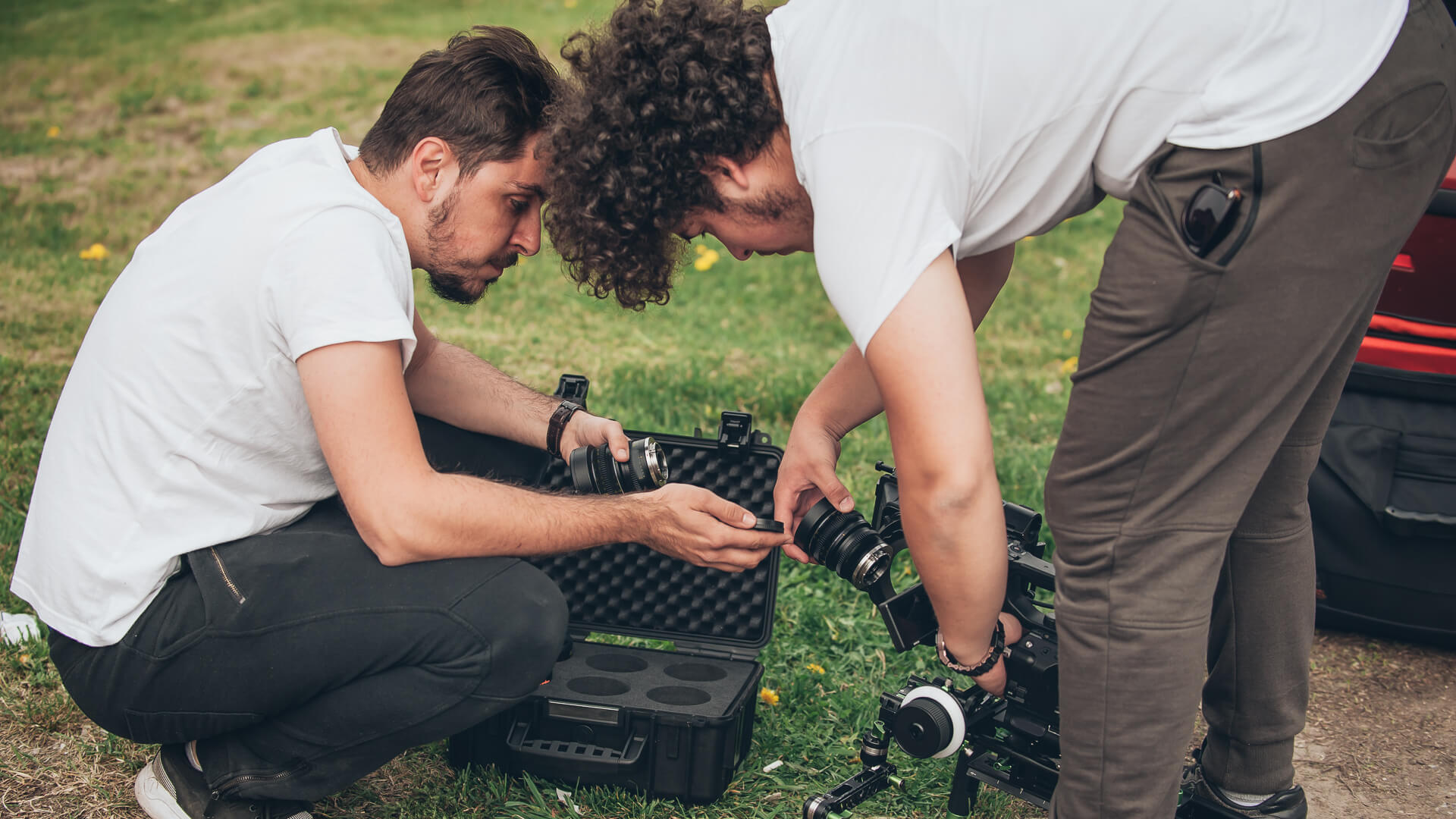 There’s no business like show business, and production assistants are often the ones responsible for making sure everything runs smoothly behind the scenes in this biz. Getting to work on set for films and TV shows might seem like a dream job, but the pay leaves something to be desired. According to Salary.com, the average pay is $31,502. 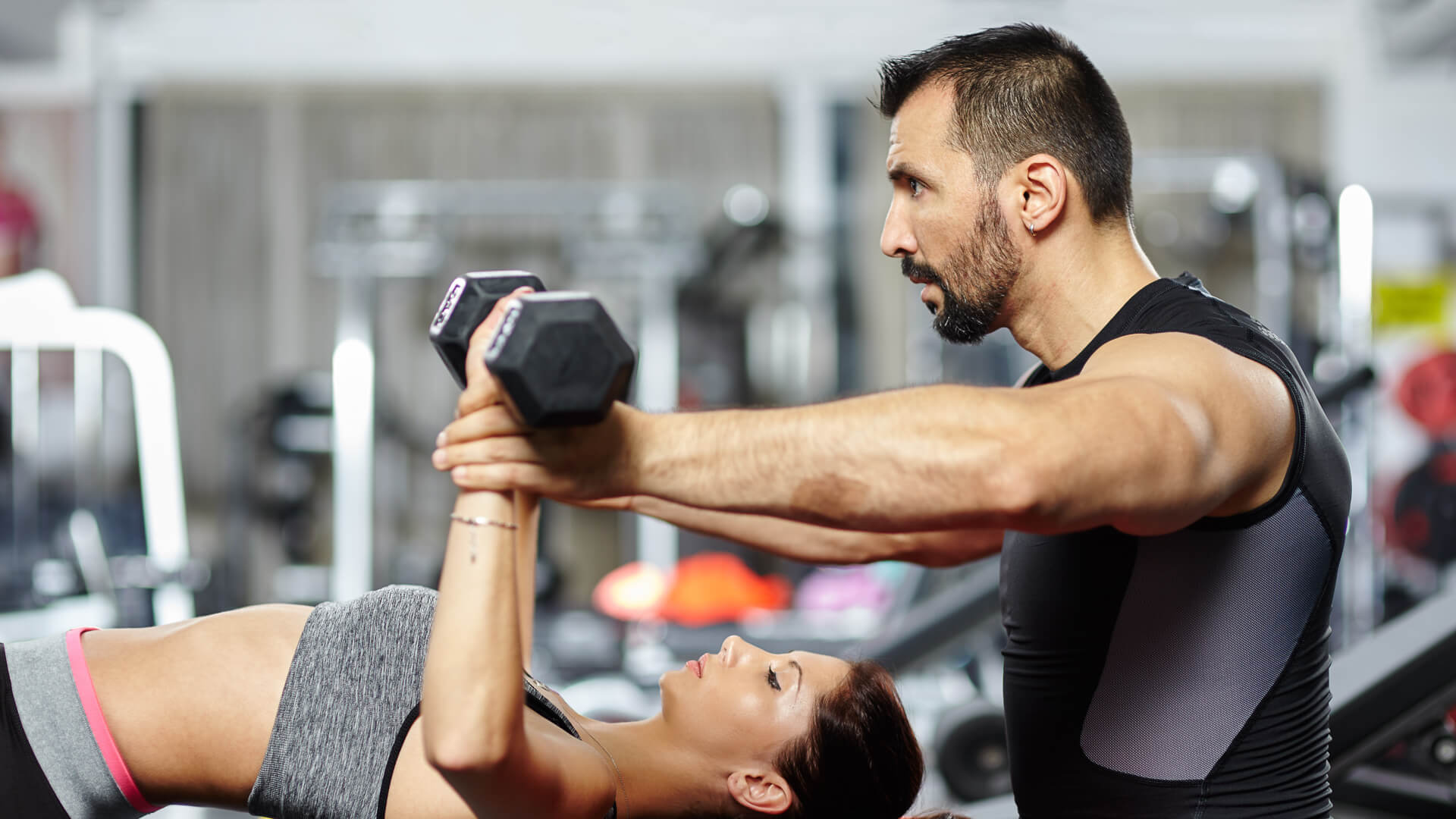 As a personal trainer, you might get the opportunity to work out with celebrities or professional athletes. However, the average personal trainer works with people who aren’t famous and makes less than $40,000 a year, according to Bureau of Labor Statistics data. 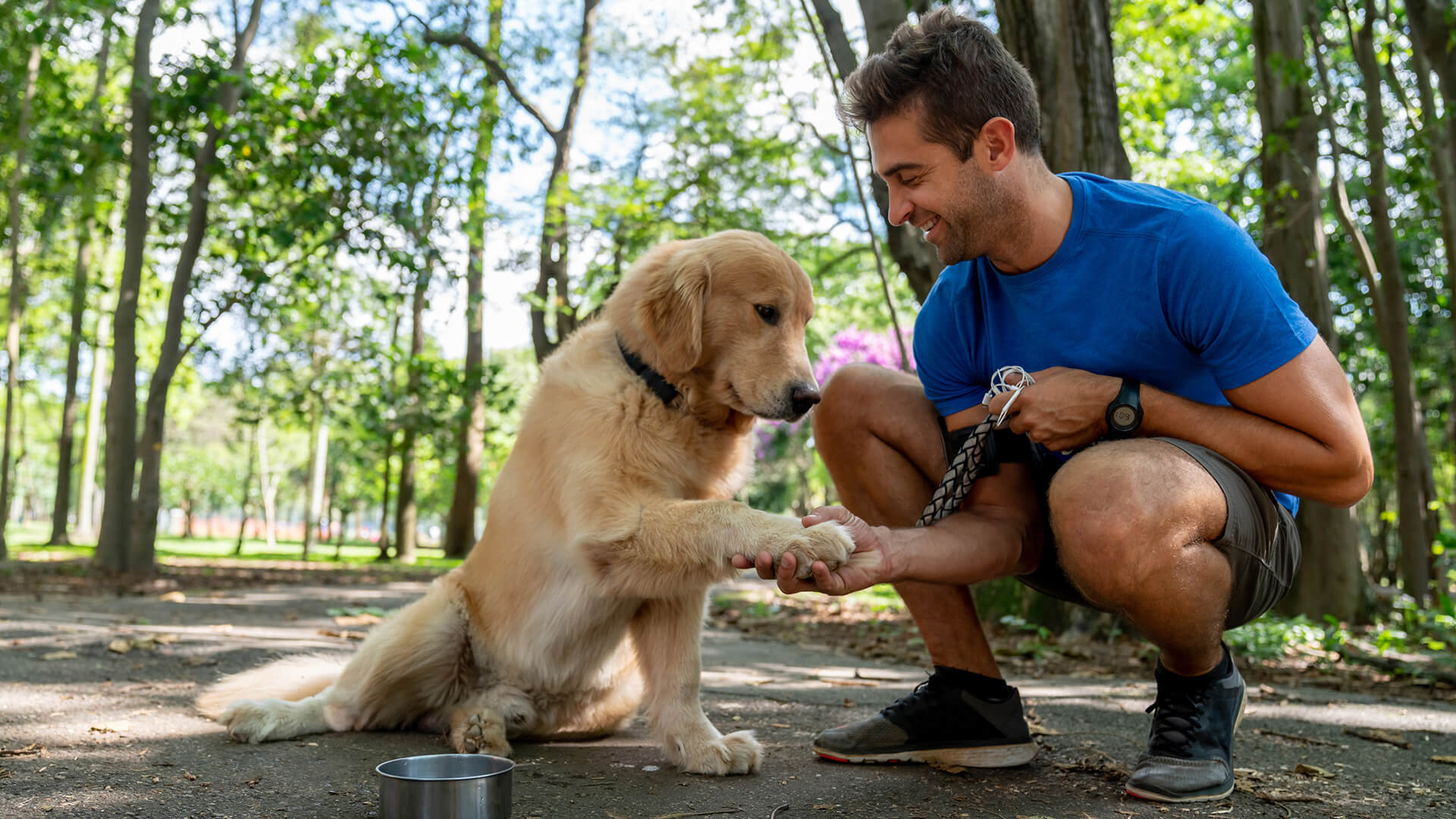 Working with animals is a dream job for many people, and being an animal trainer enables you to do just that. Trainers can work with all sorts of animals and might perform tasks ranging from teaching dogs obedience to getting horses ready to race. Being around animals all day is fun, but the pay isn’t. Be prepared to make less than $35,000 a year, according to the Bureau of Labor Statistics’ average salary data. 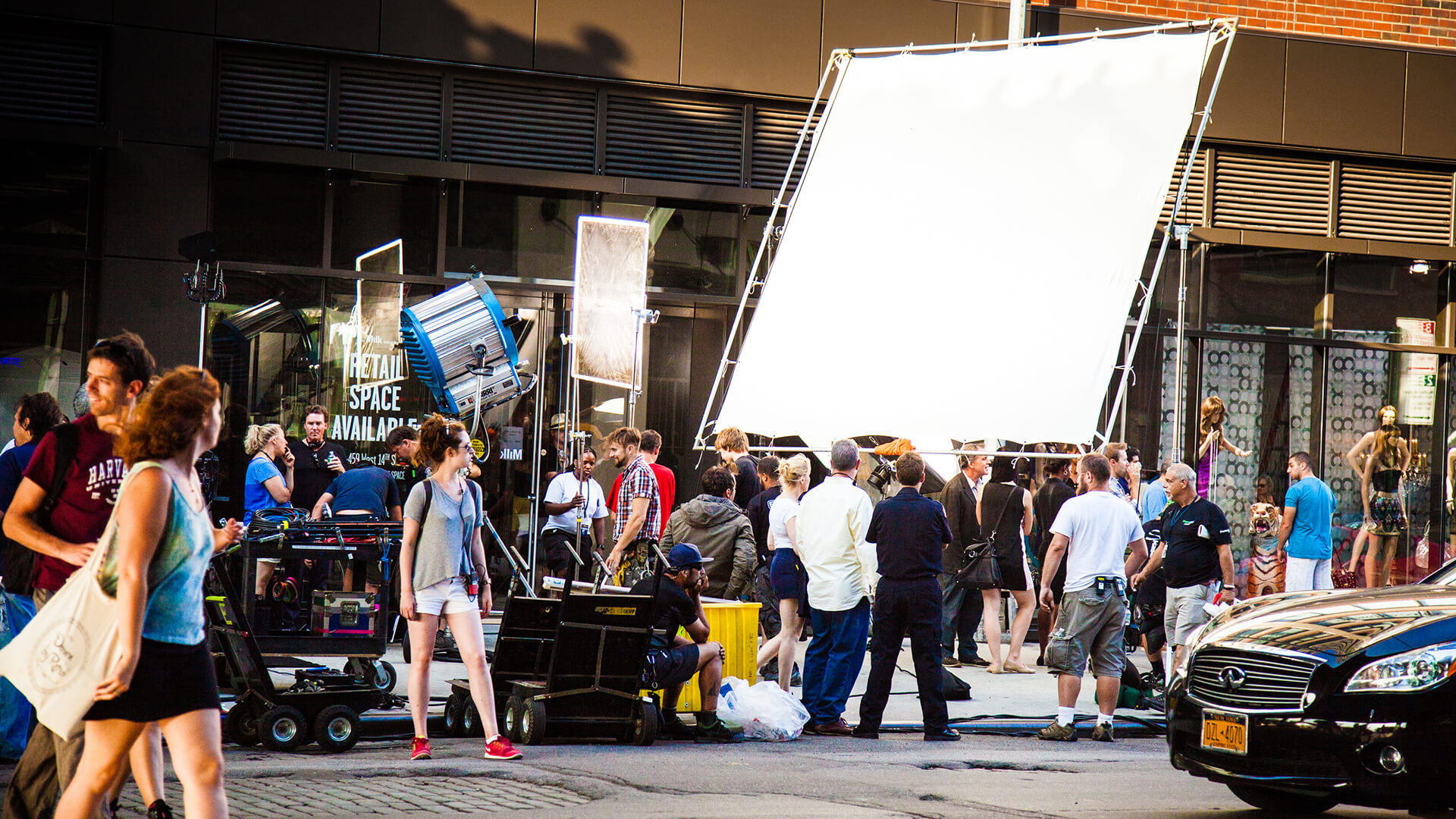 Being a film extra means you get to be on a movie set with the stars of the film, and you usually have access to the on-set catering too. While this sounds like a good gig, unless you are a Screen Actors Guild member, your pay can vary widely and you might have to start out doing extra work for free, the Houston Chronicle reported. If you are a member of SAG, you’ll get paid $174 a day for your extra work. That isn’t awful if you find steady gigs, but your work could be irregular, making it harder to get by on that amount. 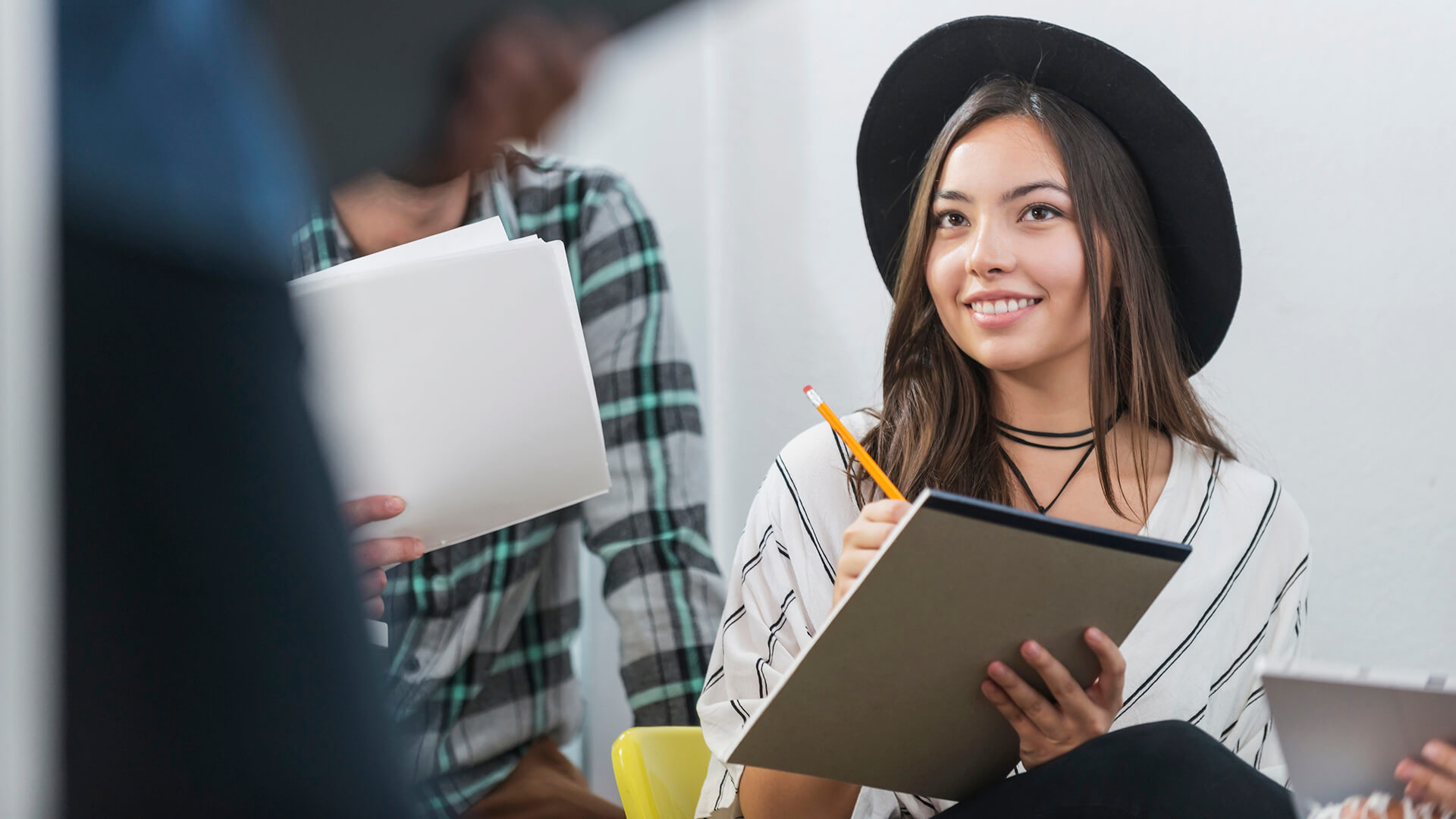 Public relations assistants can work with celebrities or major brands, and the job often involves hosting and attending parties and VIP events. While getting to attend these events certainly is a perk, it does involve working nights and weekends. And the salary isn’t great. The lowest-earning 10% in this position makes $29,000 a year, according to PayScale. 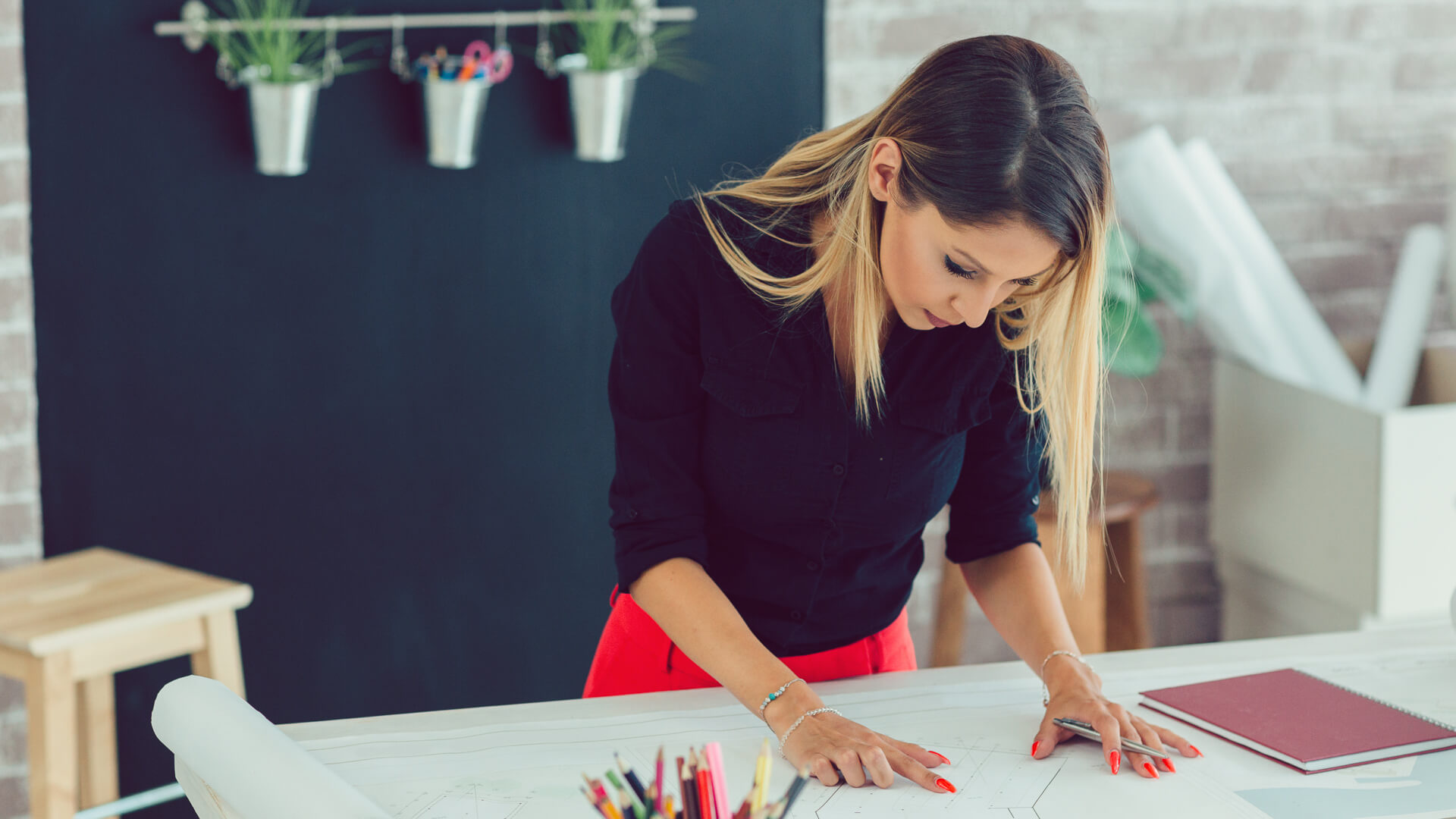 If you’ve ever watched HGTV, you’re probably familiar with the work of interior designers — and the shows definitely make it look like a cool job. Assistant interior designers work with a designer or as part of a design team to help create concepts and implement them in a showroom or home. Designers usually start out as assistants, which has a lower pay grade — typically less than $40,000 a year, according to PayScale. 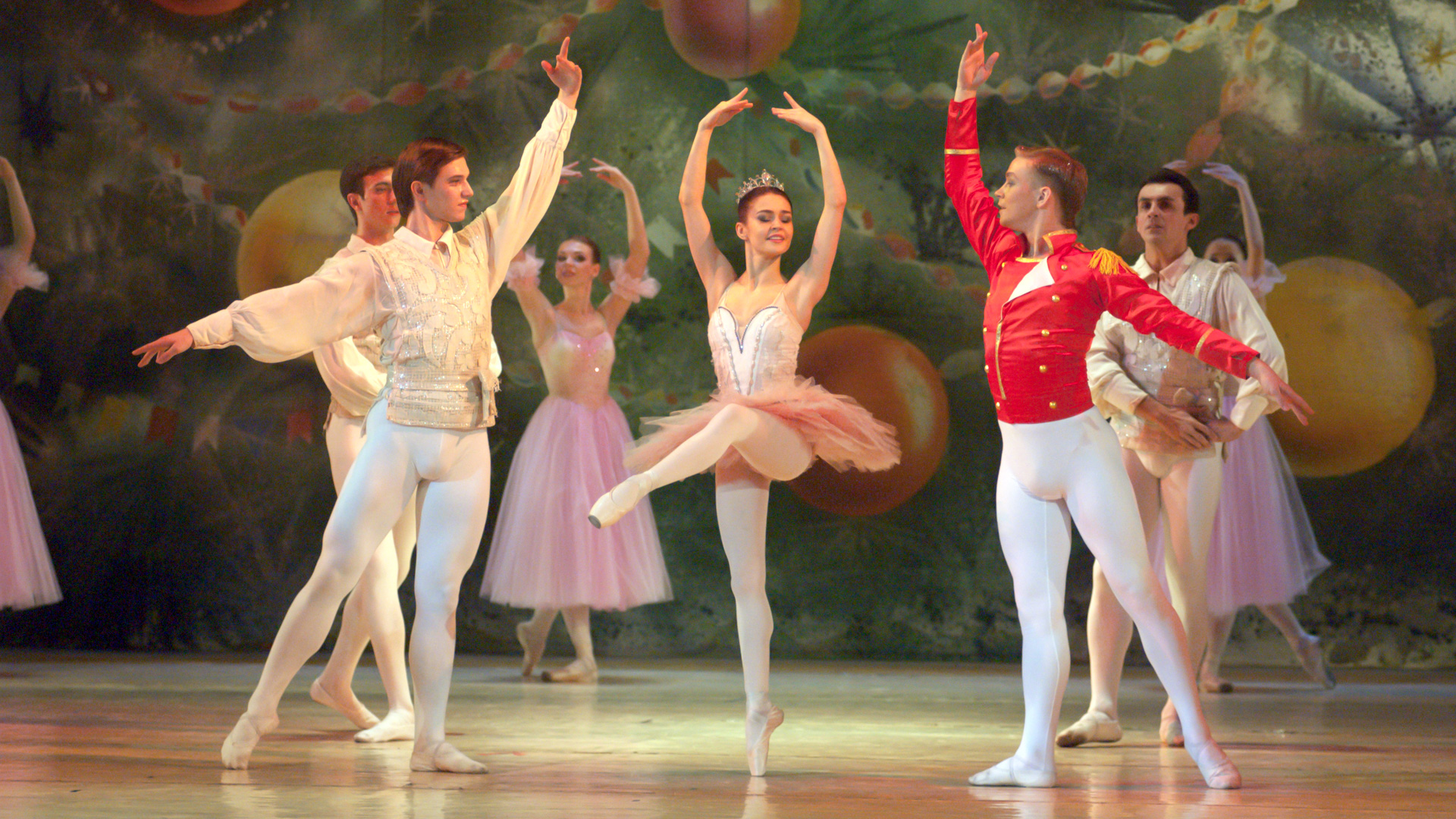 Ballet dancers perform across the country — and sometimes around the world — all while looking elegant and wearing lavish costumes. While making it as a pro dancer is a dream for many young ballerinas, the low salary isn’t something to look forward to. The average ballet dancer salary is just over $30,000, and some earn less than $20,000 a year, according to PayScale. 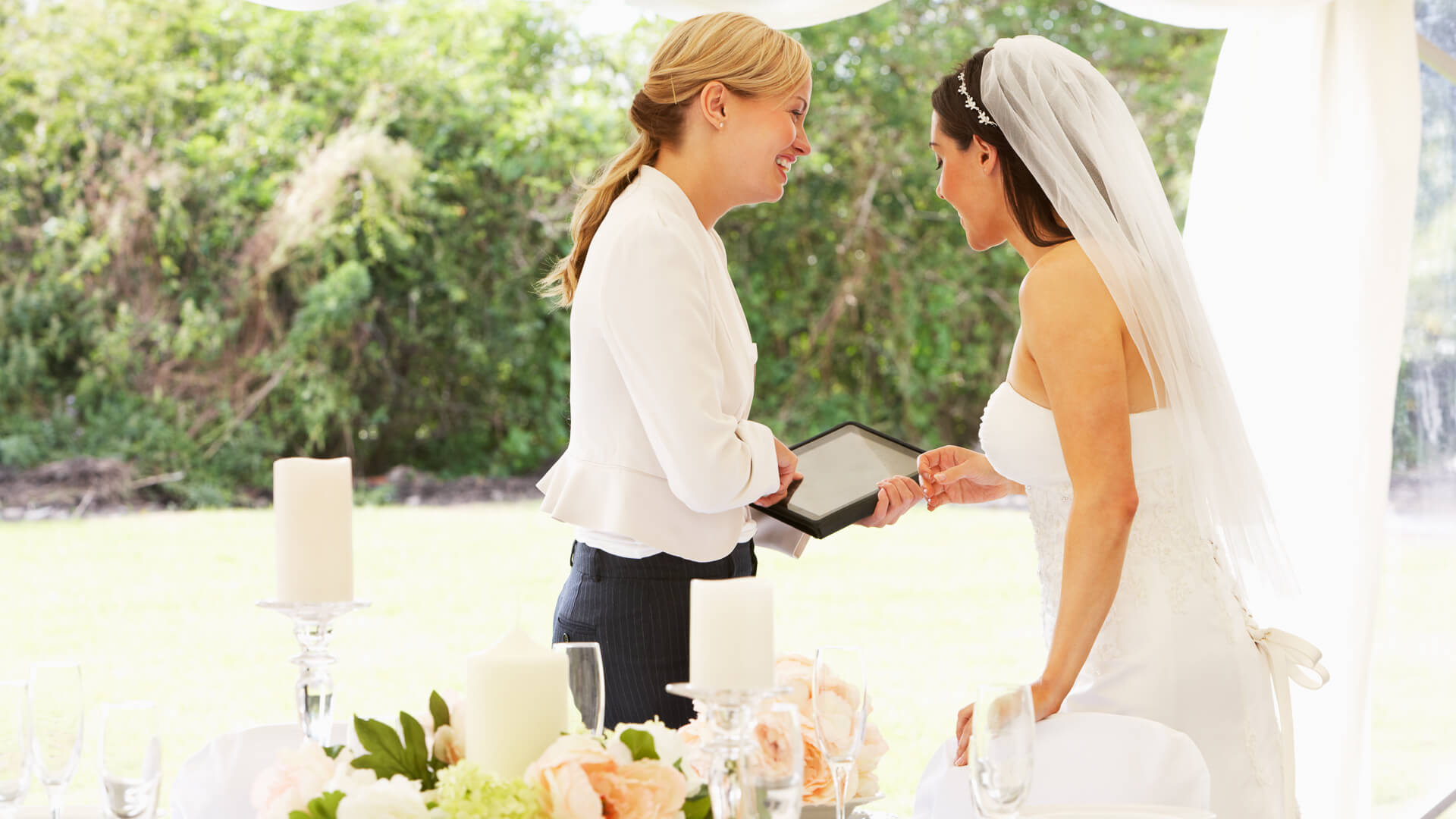 A wedding coordinator helps to put together a couple’s ideal wedding by planning, organizing and coordinating all of the different aspects that go into the big day, from the catering to the billing. You might be organizing super-glamorous events, but the pay can be very low, with some coordinators being paid as little as $11.71 an hour, according to PayScale. 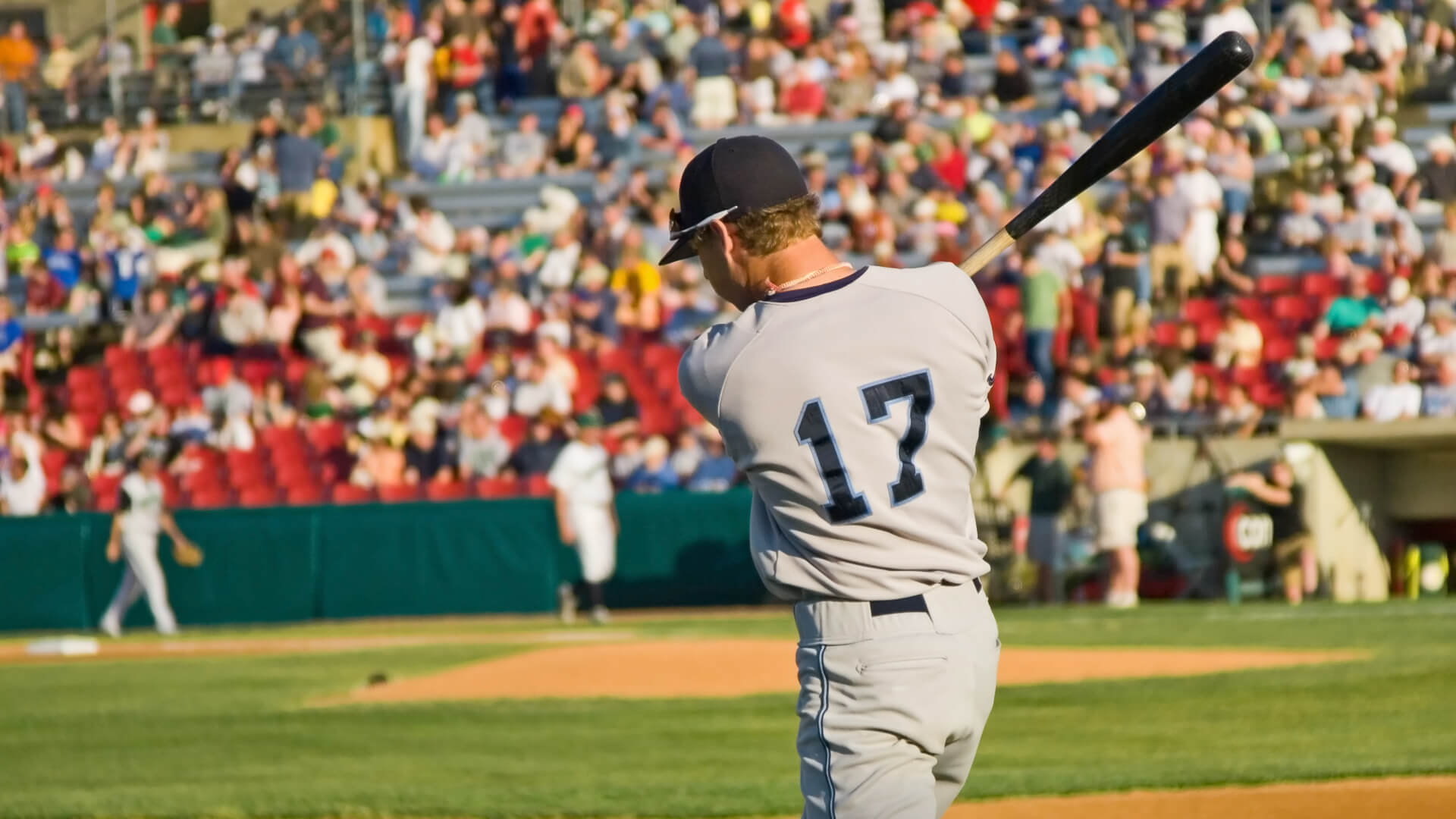 Being a pro athlete certainly seems like a glamorous gig, and it’s true that you can make millions doing it. But if you’re a minor league baseball player, the salary is much, much lower. According to Forbes, Single-A team players make as little as $1,200 a month, and Triple-A players don’t make much more. Minor league baseball pay is so low that some players give up on their dream because they simply can’t afford to live on the salary, The Athletic reported.