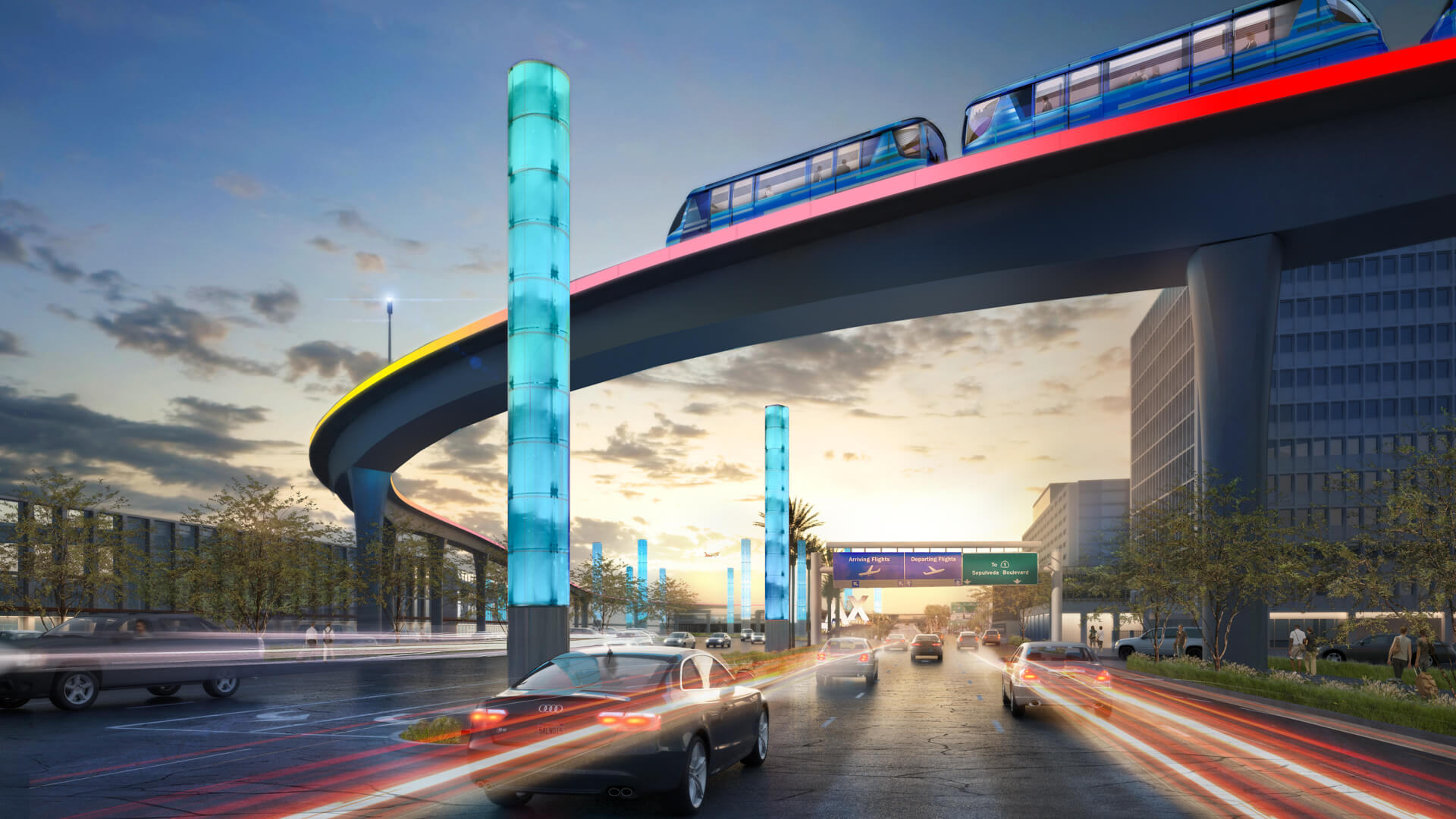 The Los Angeles International Airport — currently the second busiest airport in the U.S. — is in the midst of a $14 billion Capital Improvement Program, expected to be completed by 2023. Not only will the LAX renovation improve the design, safety and efficiency of the airport, but it will also add jobs.

Los Angeles World Airports estimates that the project will require 121,000 construction-related jobs each year of the modernization project. The project is also likely to add several hundred permanent jobs through work at the expanded concession areas and servicing more airline flights, the Los Angeles Times reported.

Click through to find out what some of the renovations entail at one of the most expensive U.S. airports. 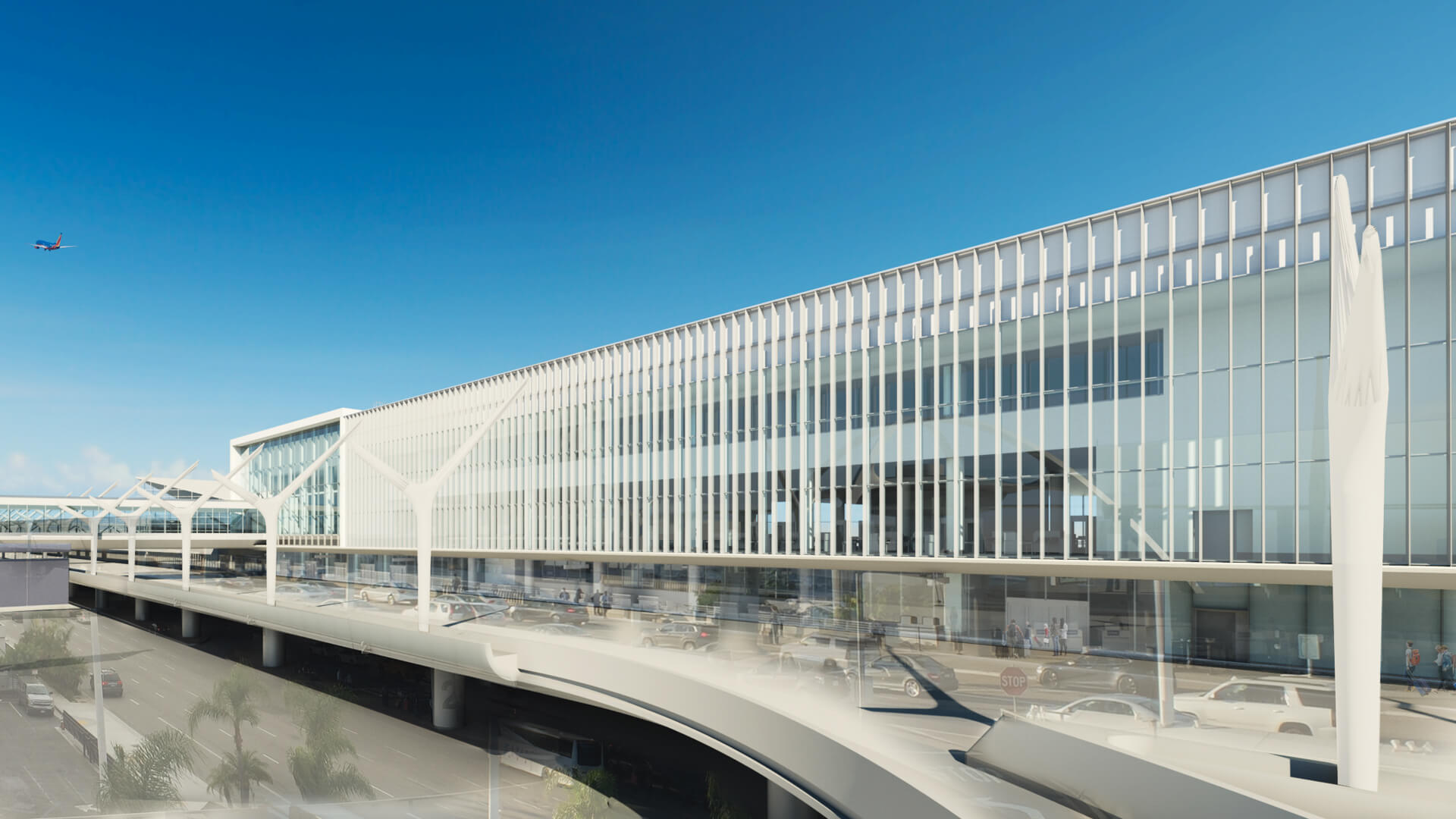 The renovation of Terminal 1 includes improvements to its interior, the outdoor aircraft parking ramp area and the traffic flow through the Central Terminal Area. There will also be upgrades to the technology used within the terminal, including a consolidated security screening checkpoint and a fully automated checked baggage inspection and sorting system. The project is anticipated to be completed in the spring of 2018.

Terminal 5 went through a renovation as well, and the cost was $250 million. Improvements to Terminal 5 included an in-line baggage screening system, streamlined passenger screening and processing facilities, a new baggage claim area, new elevators and escalators, and new lounge areas and dining options. The project was completed in 2016.

Get the Scoop: 40 Airport Secrets Only Insiders Know 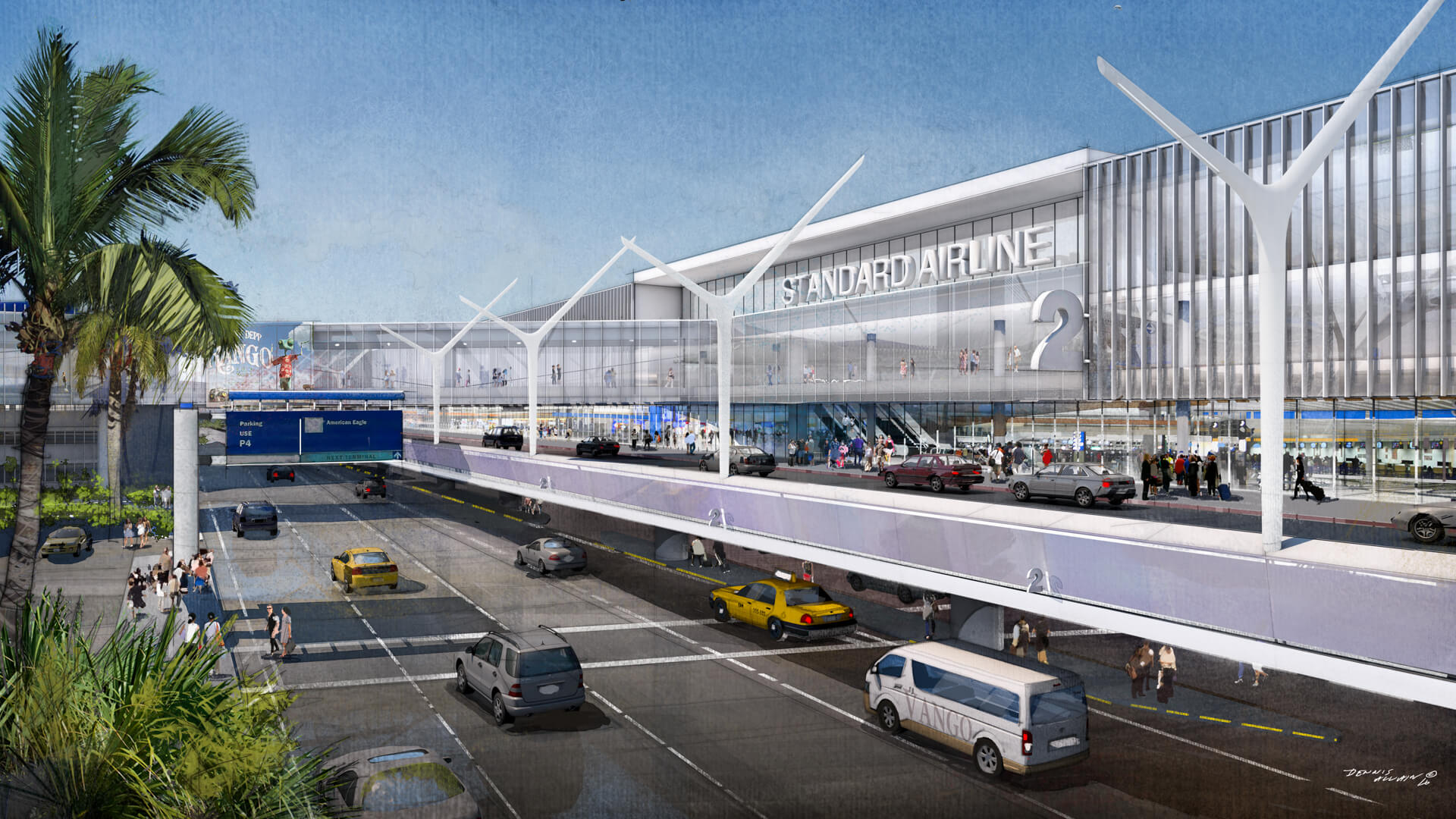 The Terminal 2 improvement program gave the terminal a cohesive appearance throughout. Improvements were made to the ticketing lobby, baggage area, concourses and concessions. The program was completed in 2017.

Terminals 7 and 8 will also get a renovation. This renovation will refurbish public spaces within the two terminals to have a more modern look, as well as add more comfortable seating options and charging stations. The project will be completed in early 2018. The cost is $573 million.

Costing $318.5 million, Terminal 6 was also renovated. The renovation of Terminal 6 involved two separate projects. The first project, completed in the summer of 2012, increased the size of the lobby, added new check-in kiosks and baggage checking stations, and added gates and security screening checkpoints. An additional renovation, completed in 2016, added new concessions and other amenities.

Look: LA’s $2.6 Billion NFL Stadium Is Driving Up Home Prices In This Neighborhood 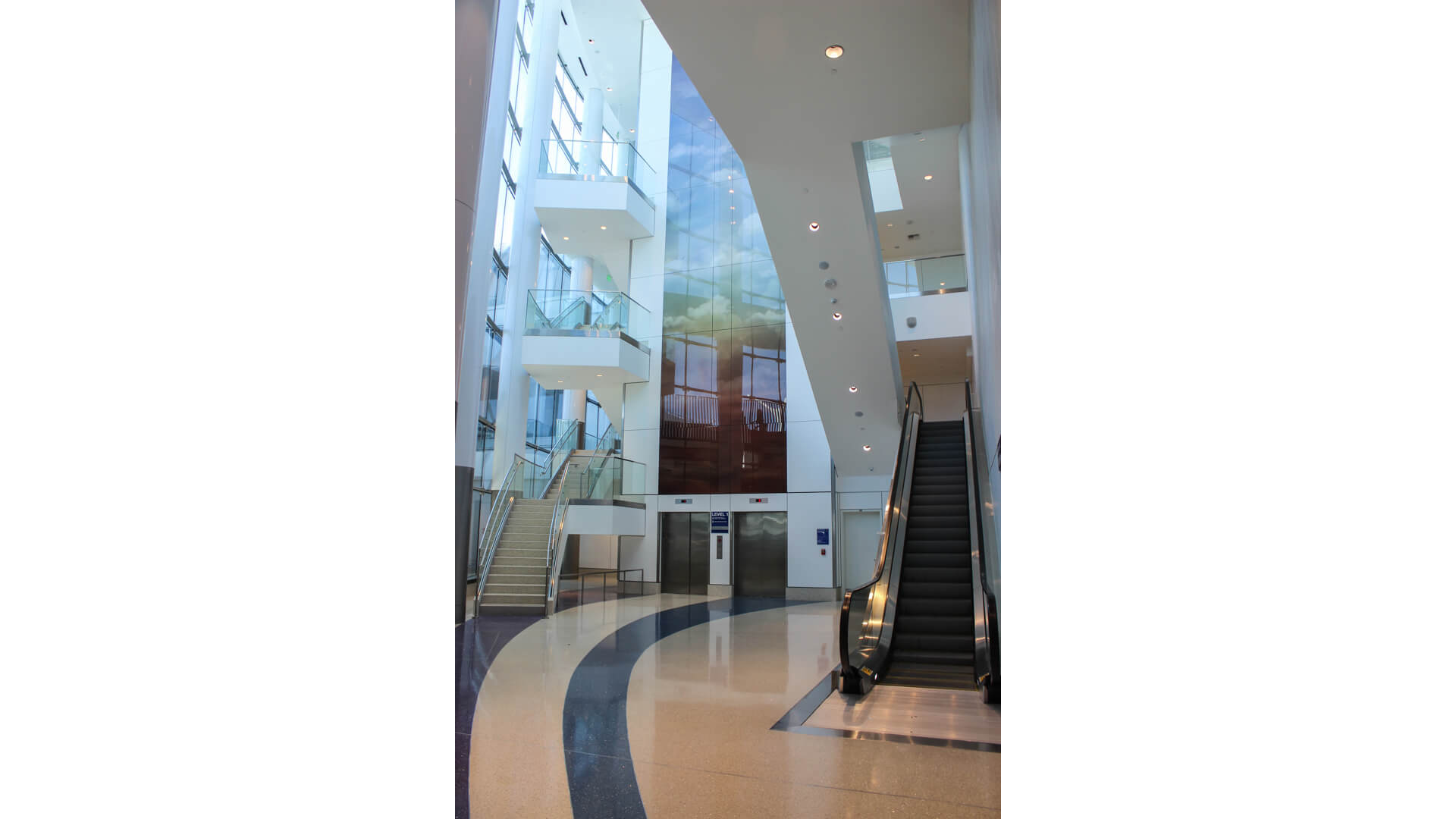 The multiuse, multilevel Terminal 4 Connector facility connects the terminal to the Tom Bradley International Terminal. The connector makes it easier for passengers to reach their connecting flights. A bus port was also added, and a public plaza was created on the upper level for outdoor seating.

Speaking of the Tom Bradley International Terminal, the Crossfield Taxiway Project (Taxiway R) was completed in 2010 and cost $138 million. The Crossfield Taxiway connects the north and south airfields at LAX to improve safety and efficiency. The project allowed aircraft movements to be relocated so that construction could take place on the Tom Bradley International Terminal. 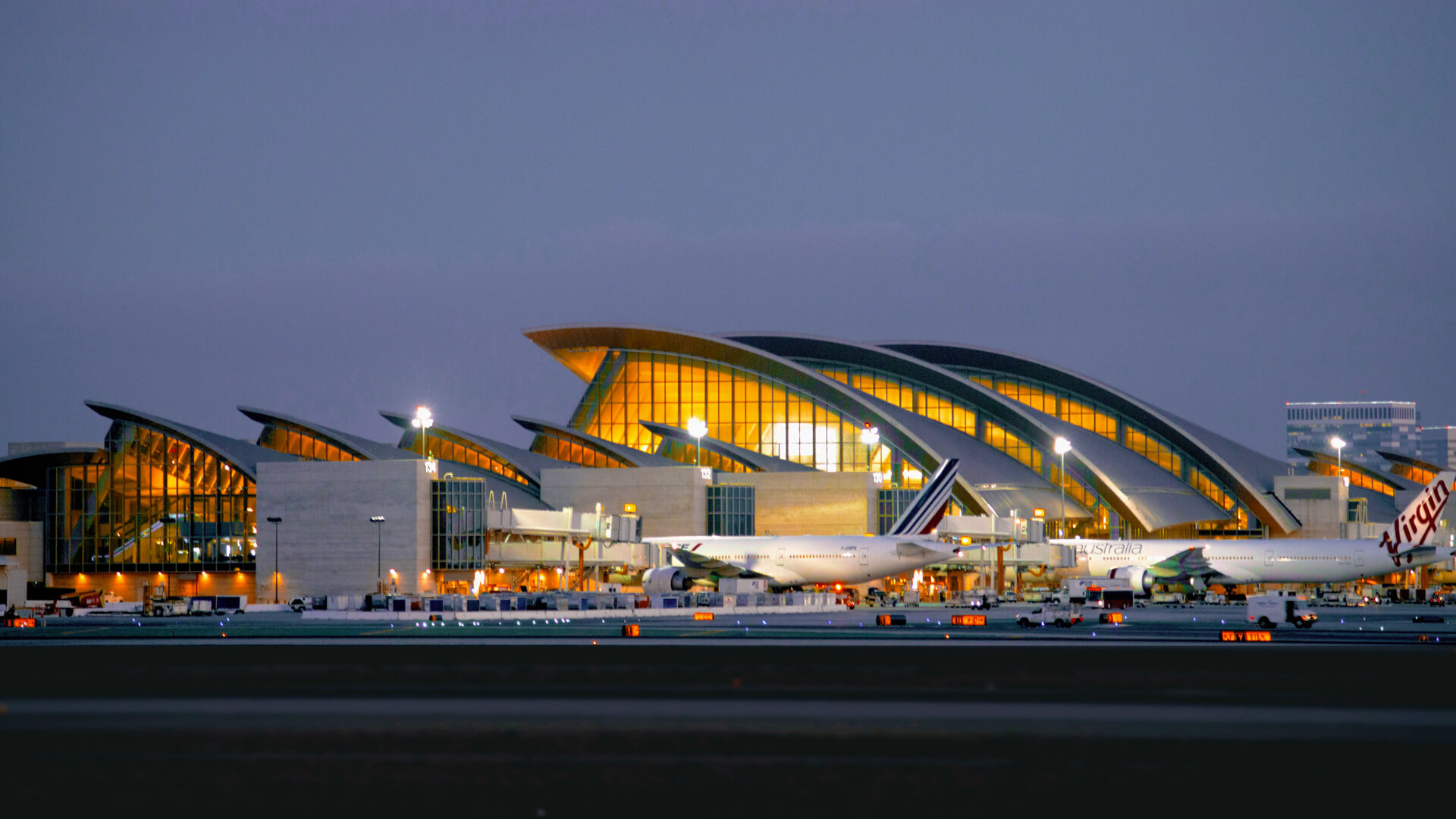 Modern elements that were added to the Tom Bradley International Terminal included a new in-line baggage screening system, upgraded information display systems, an improved ticketing lobby, a redesigned Customs Hall and video art installations. The project was completed in May 2010.

There’s another LAX project called the In-Line Baggage Handling and Screening System Program. This program improves and automates security screening for all checked baggage at all of the terminals, increasing safety and speed for travelers with luggage. The program cost $613 million and has already been completed in most of the terminals. 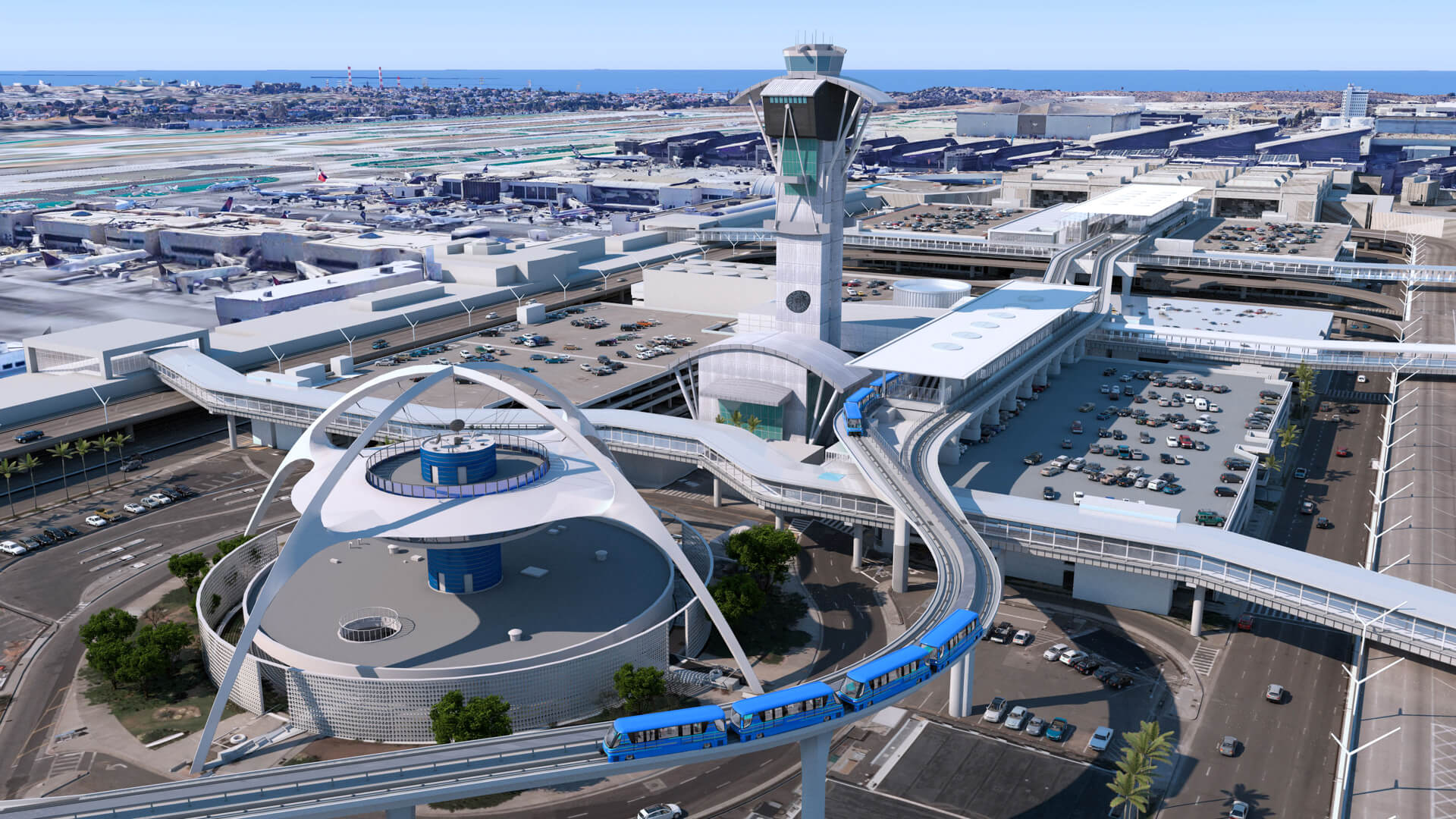 The project has five major construction projects: a 2.25-mile Automated People Mover that will connect three on-airport stations to Metro Rail and transit services, a Consolidated Rent-a-Car center, two Intermodal Transportation Facilities that will have additional parking and ground transportation services, and improvements to the roadways throughout the airport. The program is scheduled to be completed in 2023.

Don’t Fall for It: Biggest Airport Myths You Shouldn’t Believe 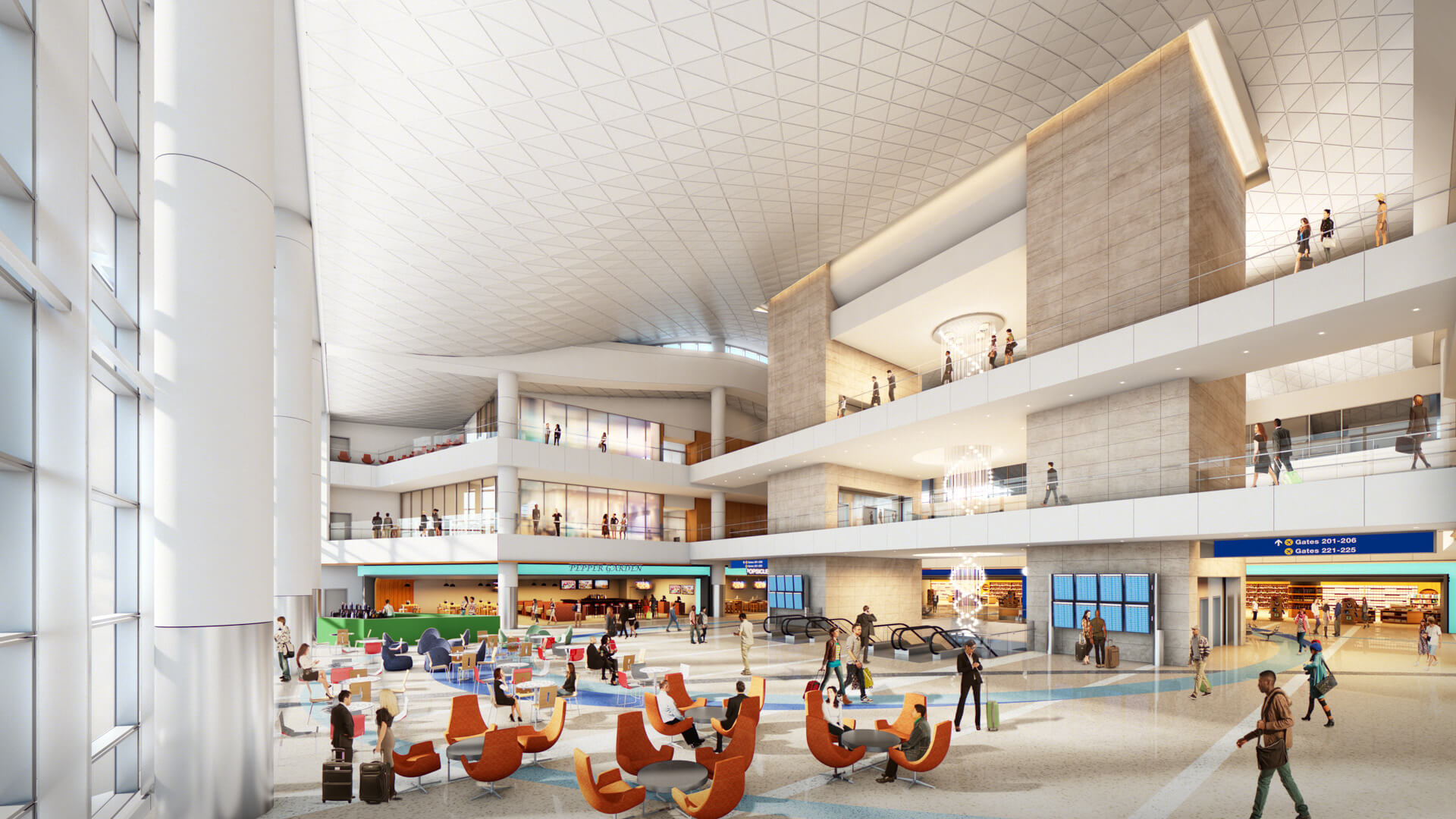 The first phase of the Midfield Satellite Concourse project includes the creation of 12 new aircraft gates and new taxilanes. The phase also includes a Baggage Optimization Project to help improve operations at the Tom Bradley International Terminal as well as at the added gates. The new gates will provide more flexibility when other gates are out of service. The project is slated to be completed in early 2020. A second phase will add an additional seven gates.

LAX added a new taxilane in 2011 as well. A new taxilane was added to connect the aircraft taxiways on the south and north airfields. The new lane provides ramp access for planes using the west gates of the Tom Bradley International Terminal and also helps reduce aircraft congestion to alleviate delays during peak travel periods. The project cost $175 million. 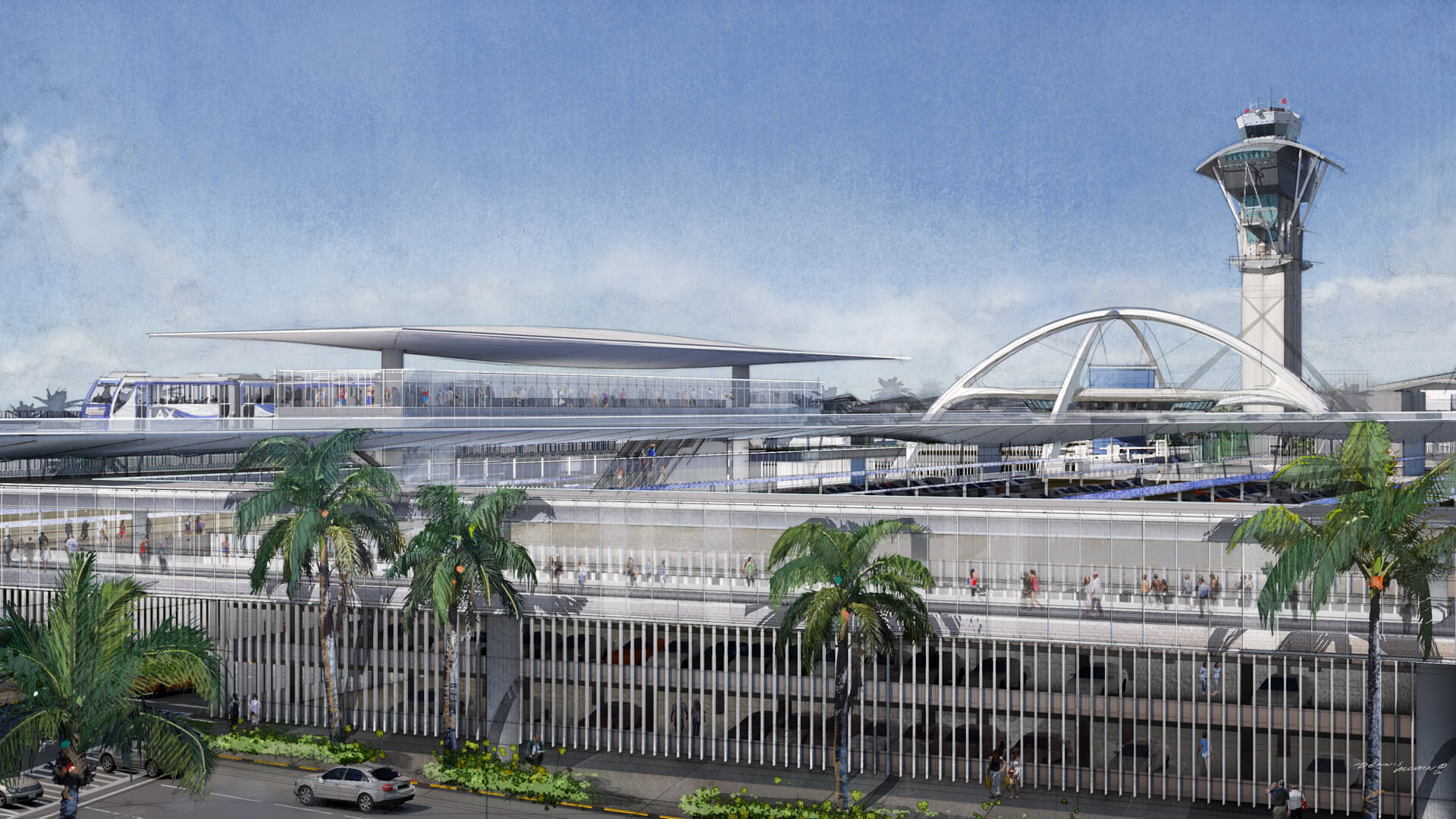 By the end of 2017, 212 elevators, escalators and moving walkways throughout LAX had been replaced or refurbished to use energy-saving, sustainable technology.

Did You Know? These Are the World’s Best Airports for Cheap or Free Attractions 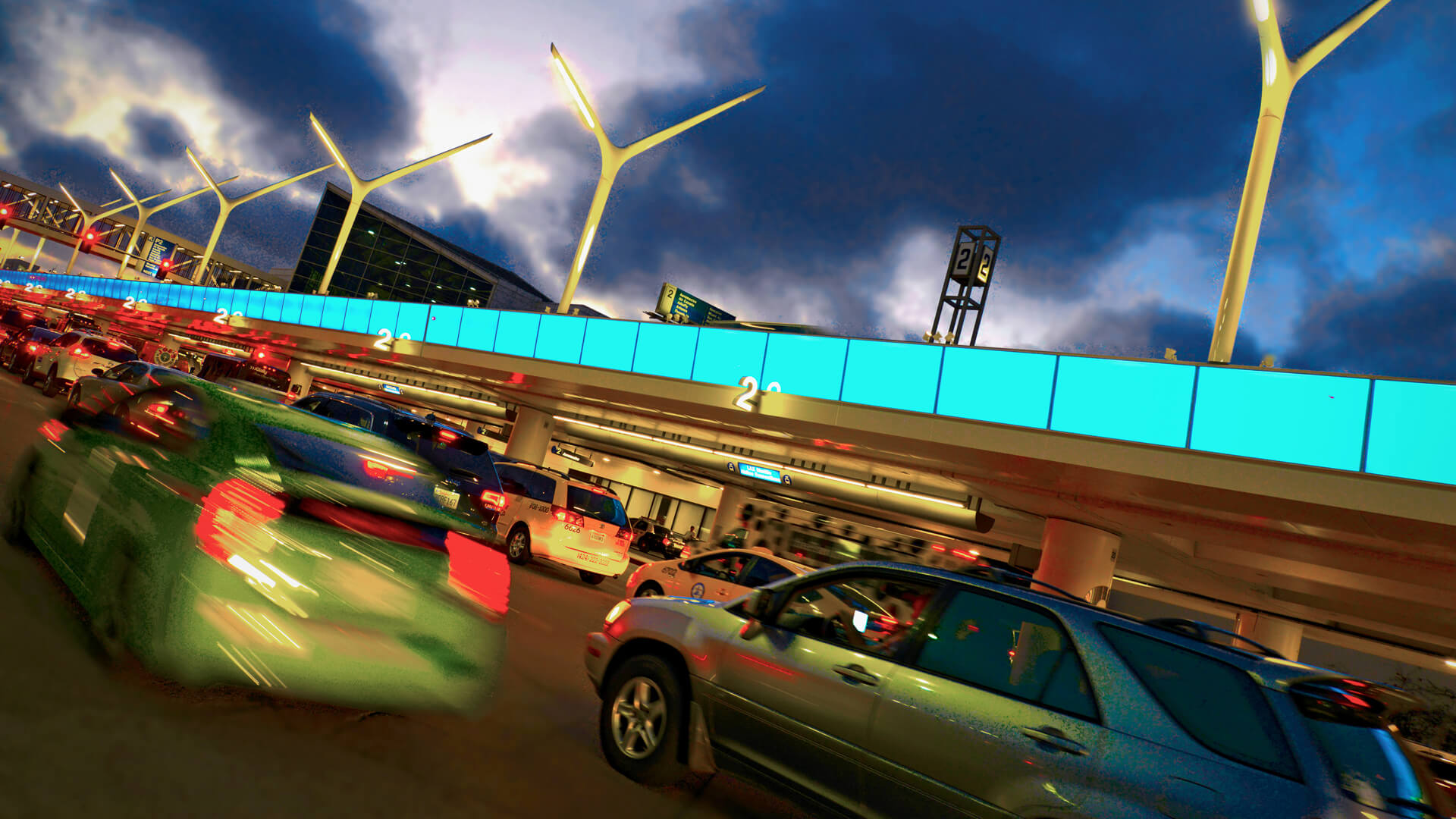 The curbside appeal project — completed in 2016 — gave LAX a more modern look complete with LED street lighting and metallic silver canopies in front of the terminals. It also included traffic safety and roadway improvements throughout the airport. 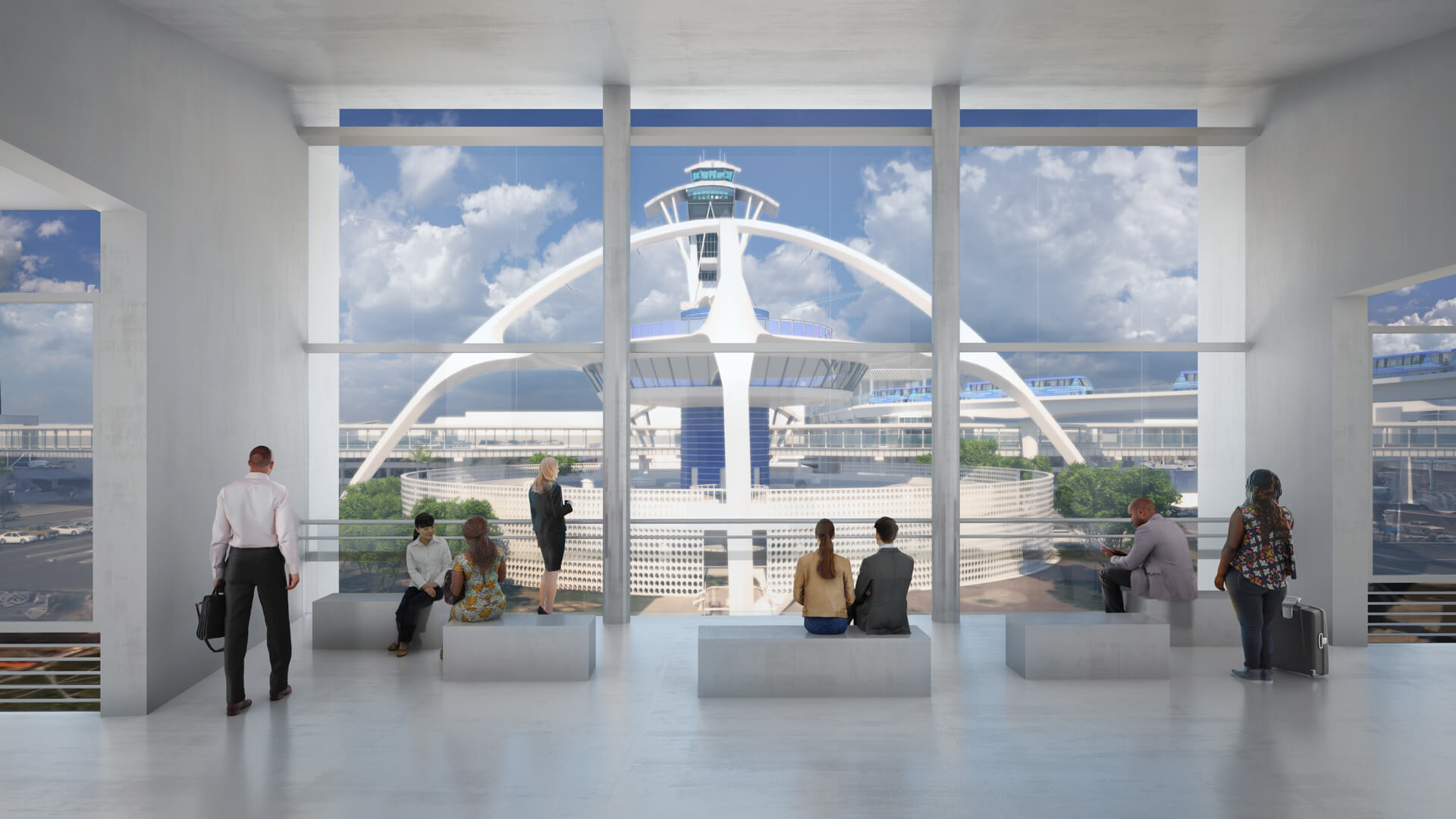 This renovation project — completed in June 2010 — updated the exterior of the Theme Building and added a Tuned Mass Damper to seismically retrofit the building.

Up Next: 11 Ways Airports Trick You Into Spending More Money