12 Most Expensive Meals in the World 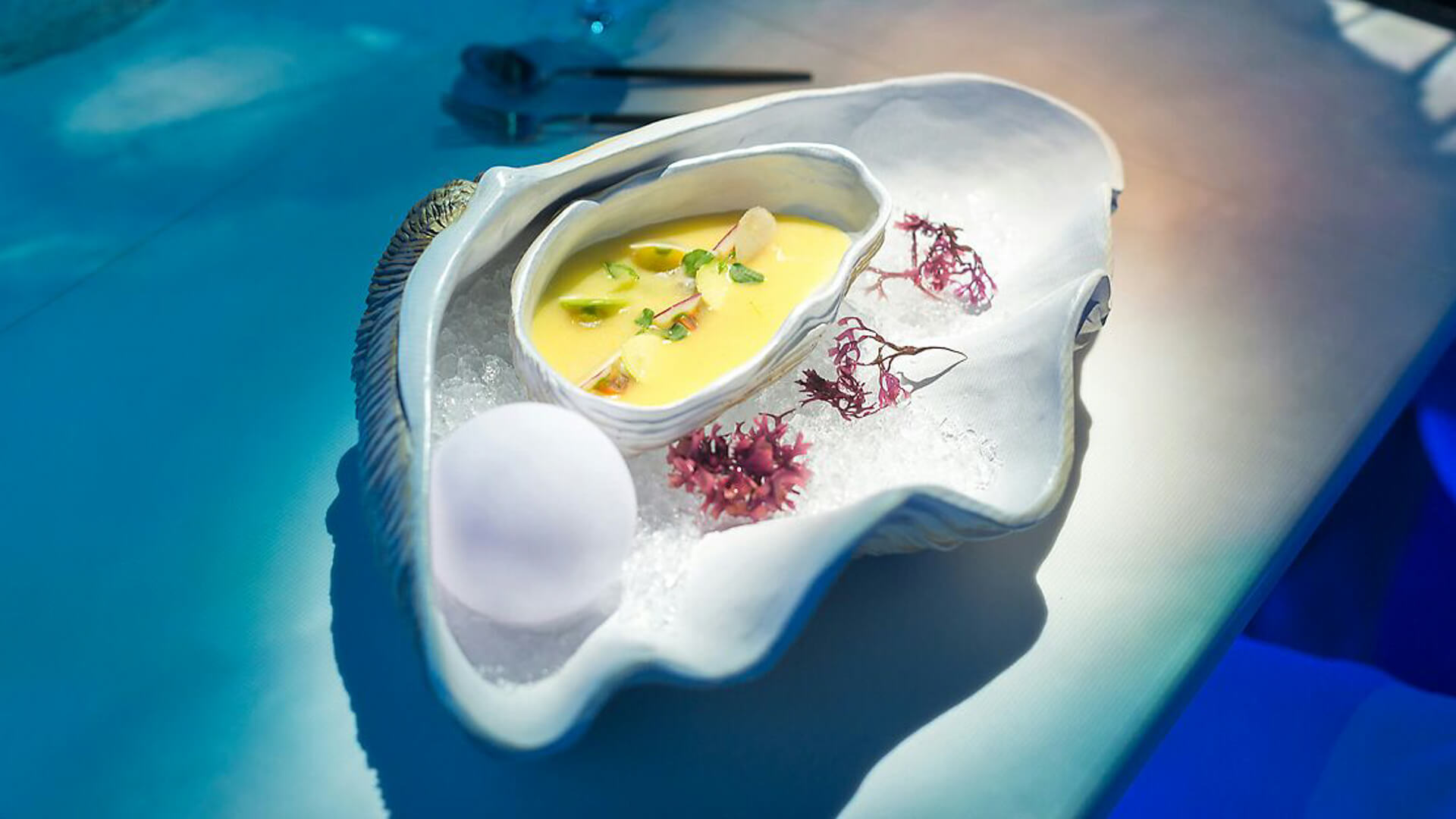 Fine dining typically means splurging a little for high-quality meat or fresh seafood. But what if money were truly no object?

Restaurant owners and chefs around the world create original dining experiences for those who want unique experiences. You know, like spending over $10,000 on a pizza or $1,000 on an ice cream sundae.

Click through to learn about some of the most expensive dishes and tasting menus in the world — all cost more than $500 per person. 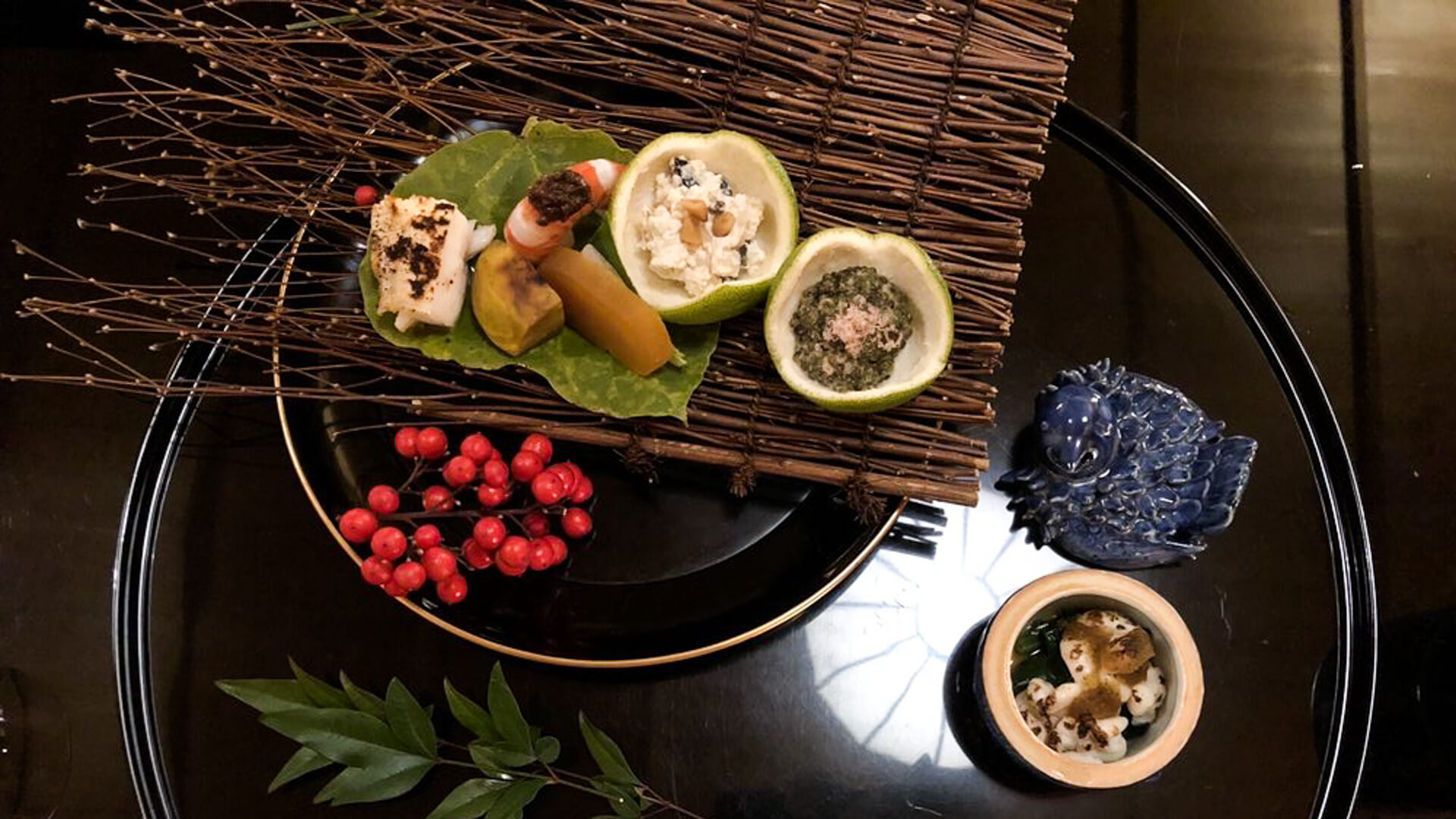 At Kyoto Kitcho Arashiyama in Kyoto, Japan there are several prix fixe menus to choose from, but the costliest option is 64,800 yen — or $599.49 a person. Granted, you won’t leave hungry, as the meal is at least 10 courses and features rounds of sashimi, grilled and steamed food, rice, pickled vegetables, and dessert, to name a few.

The chef, Kunio Tokuoka, is the helm of the restaurant, following the footsteps of his father and grandfather who were the chefs before him. When you’re eating a high-end meal, be mindful of how restaurants mark-up dishes to increase your bill. 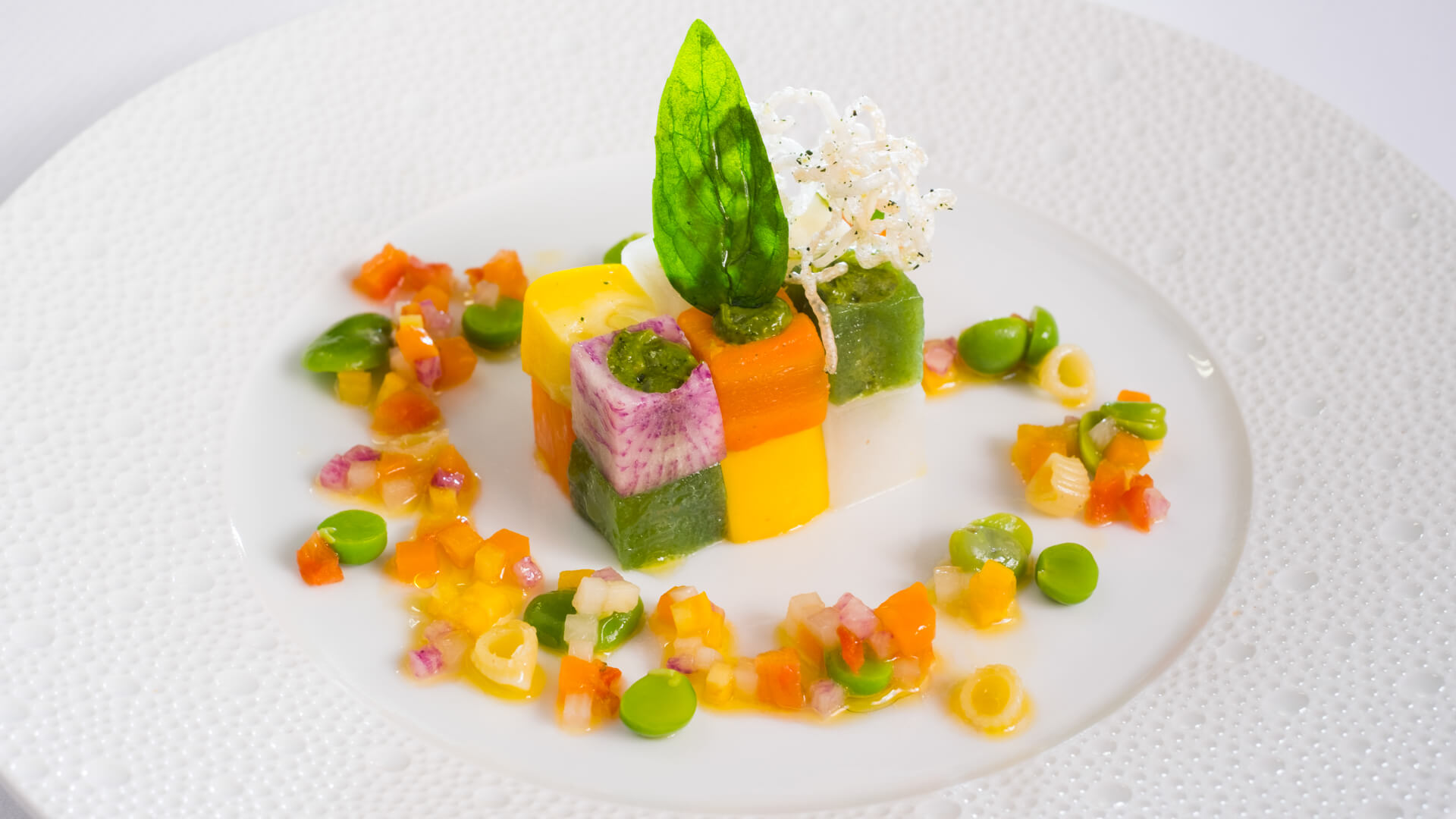 Chef Guy Savoy opened the restaurant in 2015 overlooking the Louvre and the Pont Neuf. Currently the Parisian restaurant offers a prix fixe menu of up to 13 courses described as a feast of “textures, colors and flavors.” The price does not include drinks, however. For the hundreds of dollars, you’ll enjoy duck, lobster and artichoke soup with black truffles, in addition to other delightful dishes.

Paris is one of the most romantic cities in the world, and eating at Restaurant Guy Savoy Monnaie will certainly make your heart stop. 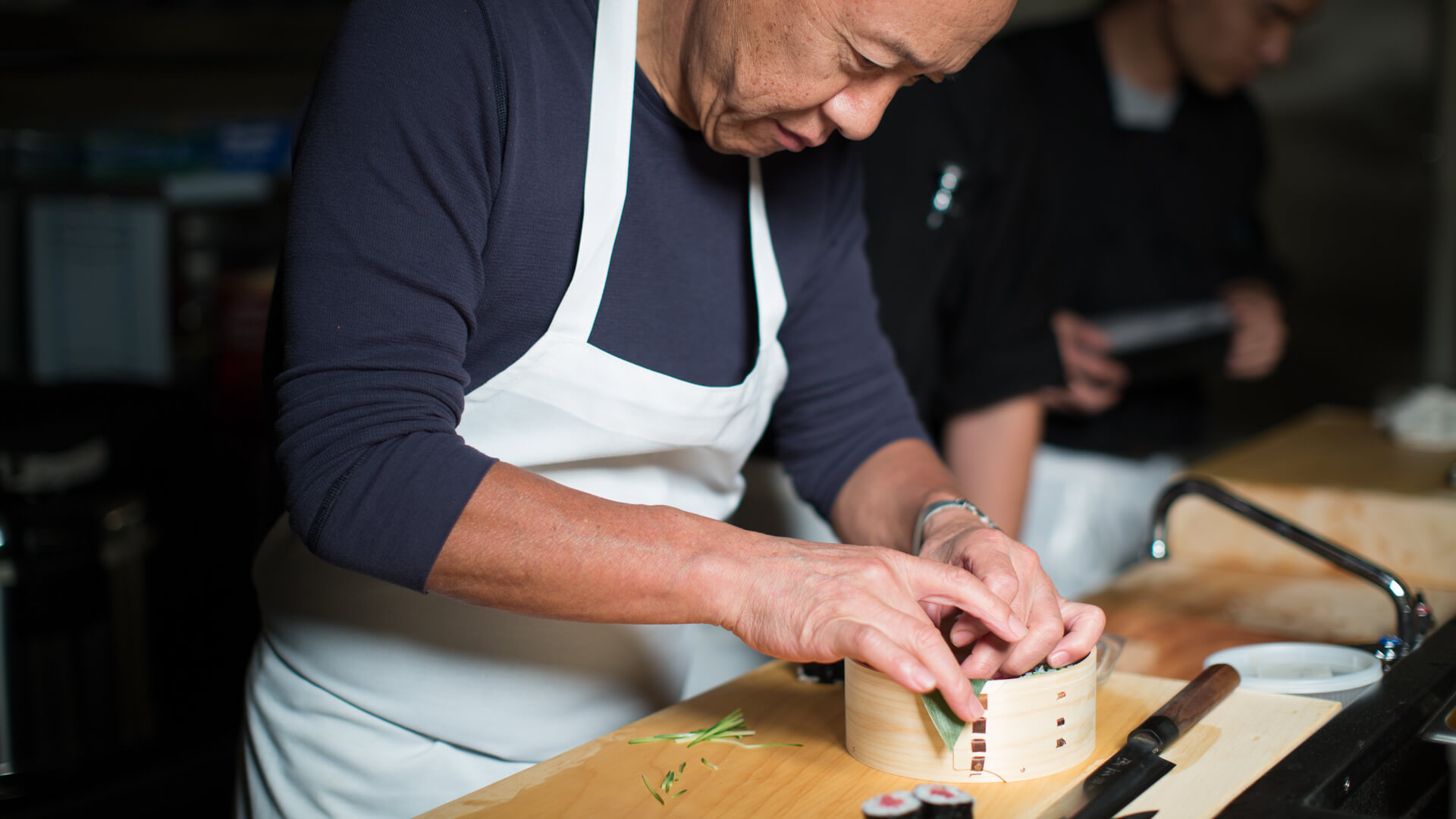 Plan to set aside two hours for the nearly $600 sushi eating experience at Masa in New York. That price does not include tax and drinks. You will save on gratuity, though, as tips are not accepted. Although the menu changes regularly, expect to be served only the finest Japanese cuisine, carefully crafted by chef Masayoshi Takayama.

Dining at Masa is a little different than ordering sushi as a midnight snack, but spicy tuna roll is one of the most popular late-night takeout orders around the country, a GOBankingRates study found. 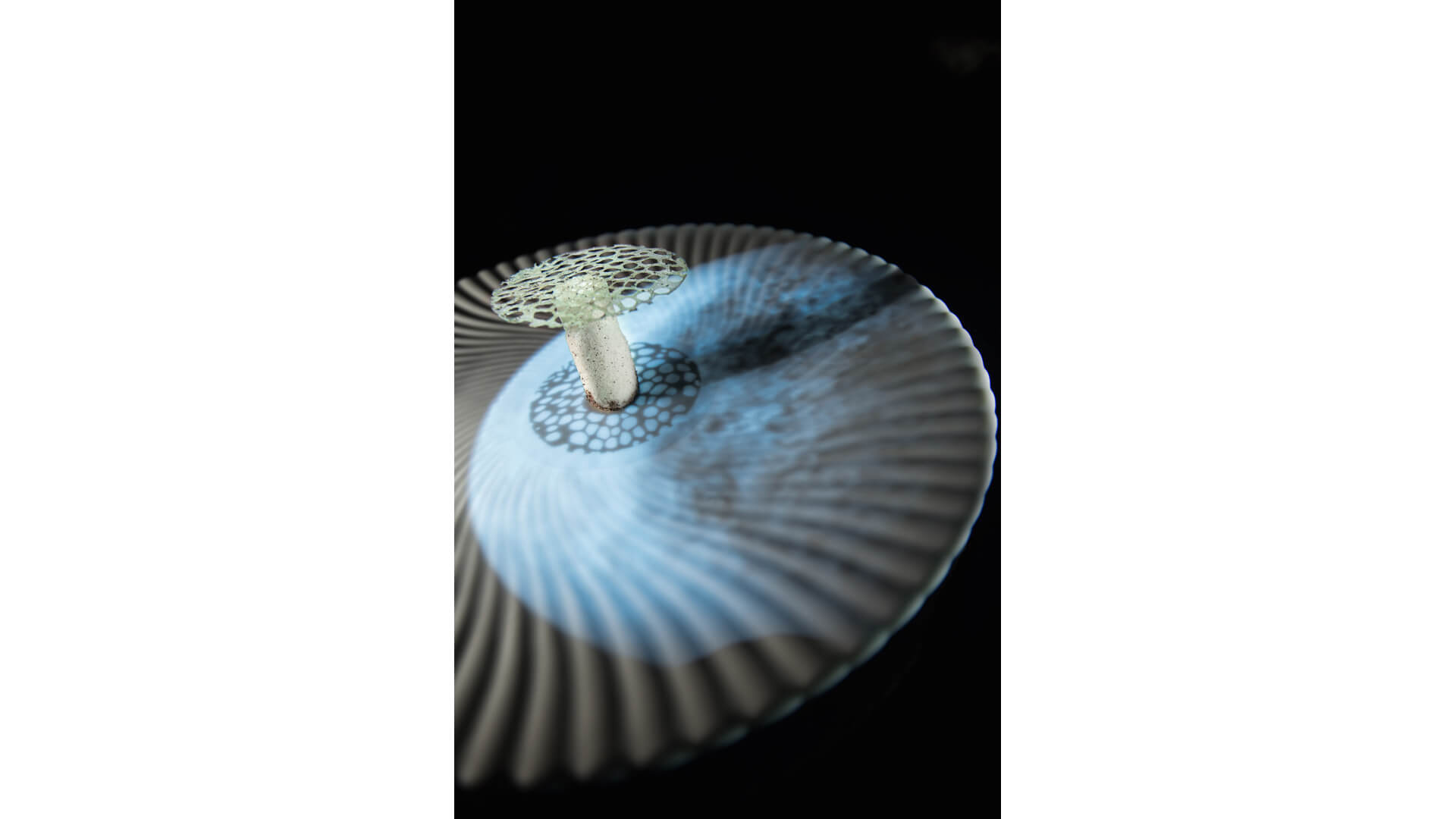 Would you like a multi-sensory dining experience? How about a dinner that dazzles more than your taste buds? French chef Paul Pairet designed the concept in 2012. This 20-course meal comes with theme music for every course, as well as light shows. All guests at the table are served the same food at the same time.

Make a visit to Ultraviolet part of your life-changing trip to China — it will be worth the cost.

Read More: These Five-Star Restaurants Are Worth Every Penny 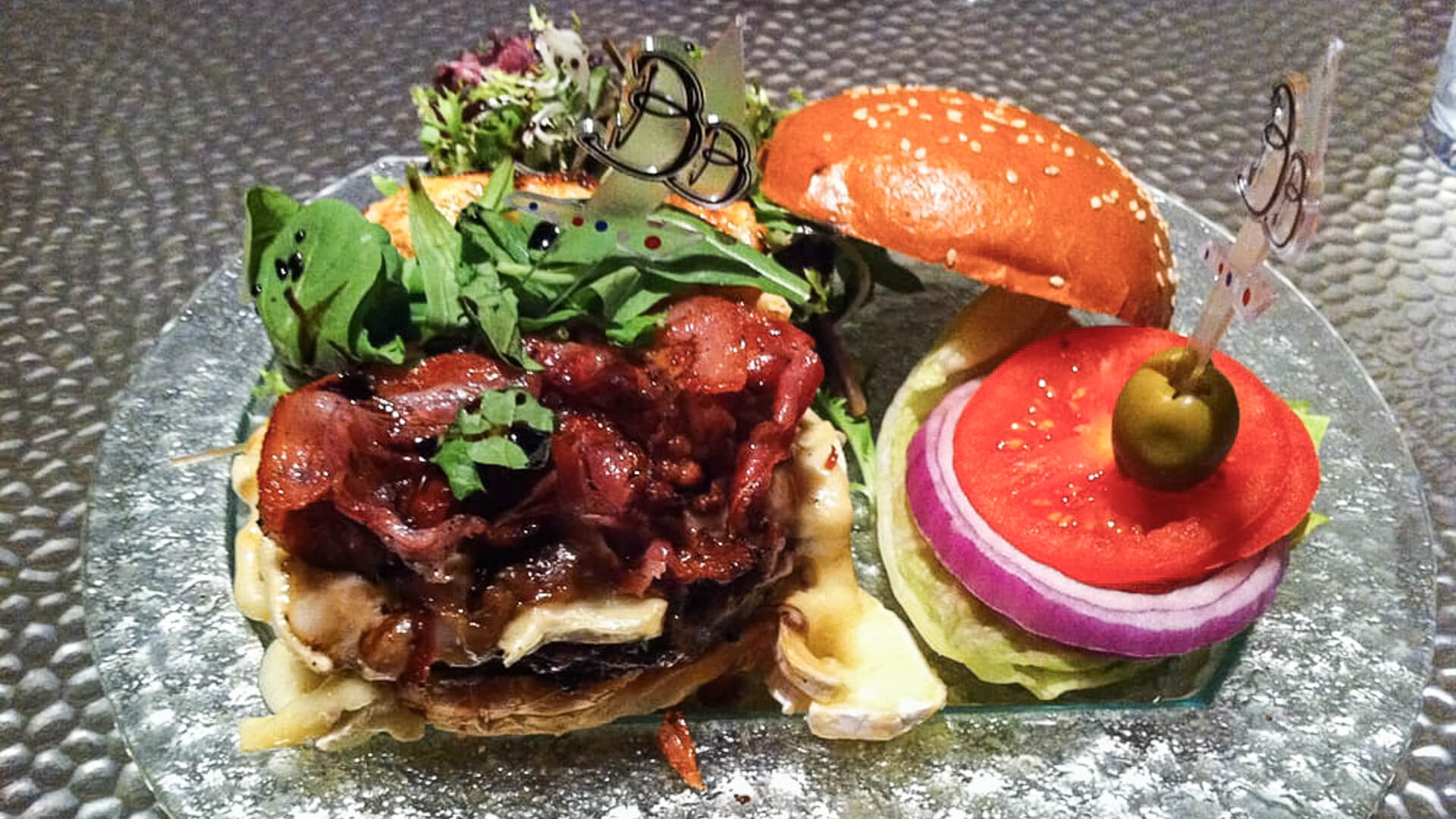 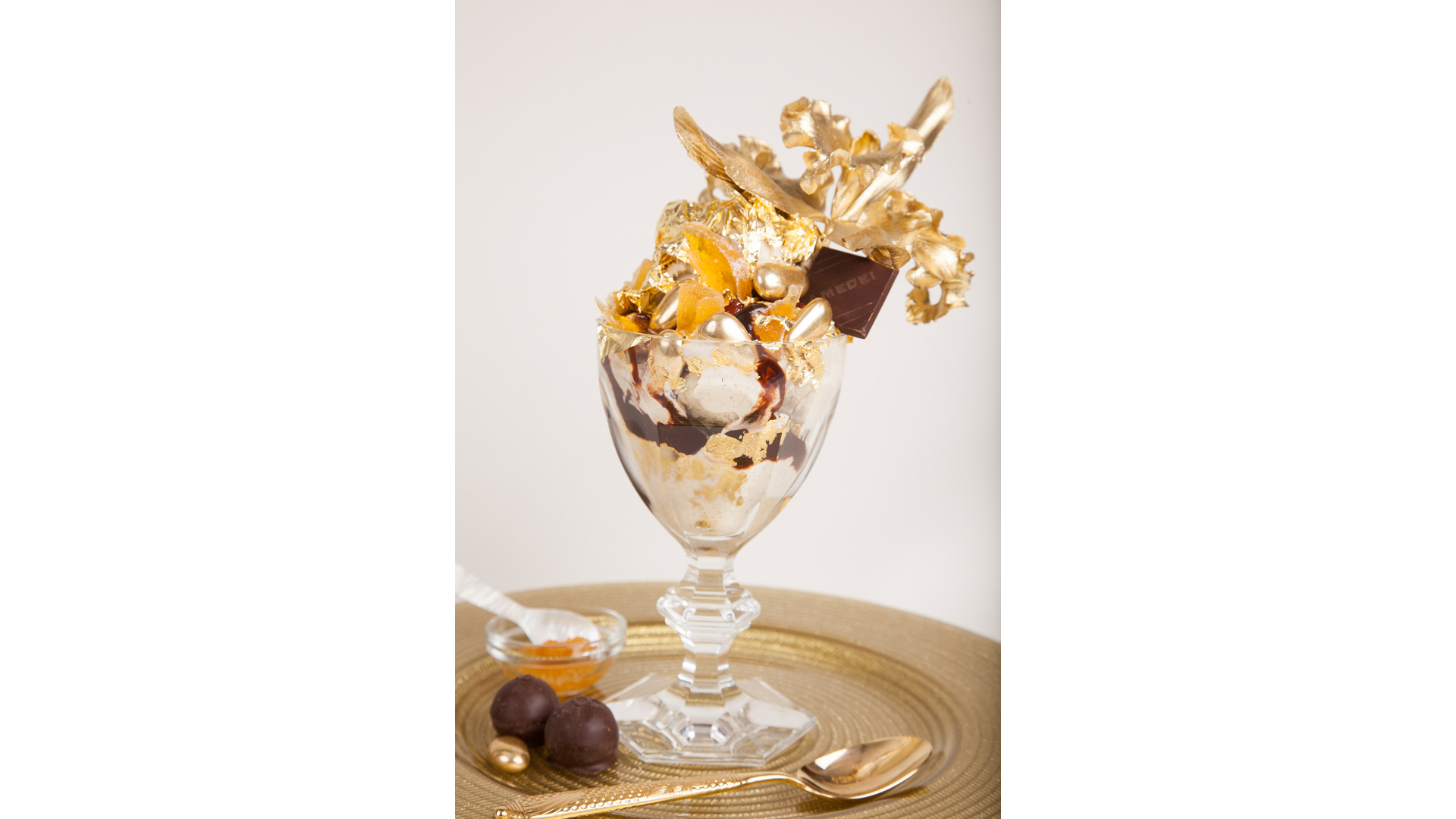 If you have $1,000 to spend and are curious what a four-figure dessert tastes like, head to Serendipity 3 in New York.

How can a sundae be more than a few bucks? In this dish, Tahitian vanilla ice cream made with Madagascar vanilla bean is covered in 24-karat golf leaf, specialty chocolates, Parisian candied fruits, truffles, caviar, and more. A sundae of this magnitude isn’t served in a simple glass dish, but rather a Baccarat crystal bowl that you can take home as a souvenir. Don’t forget to pre-order this decadent treat at least 48 hours in advance. 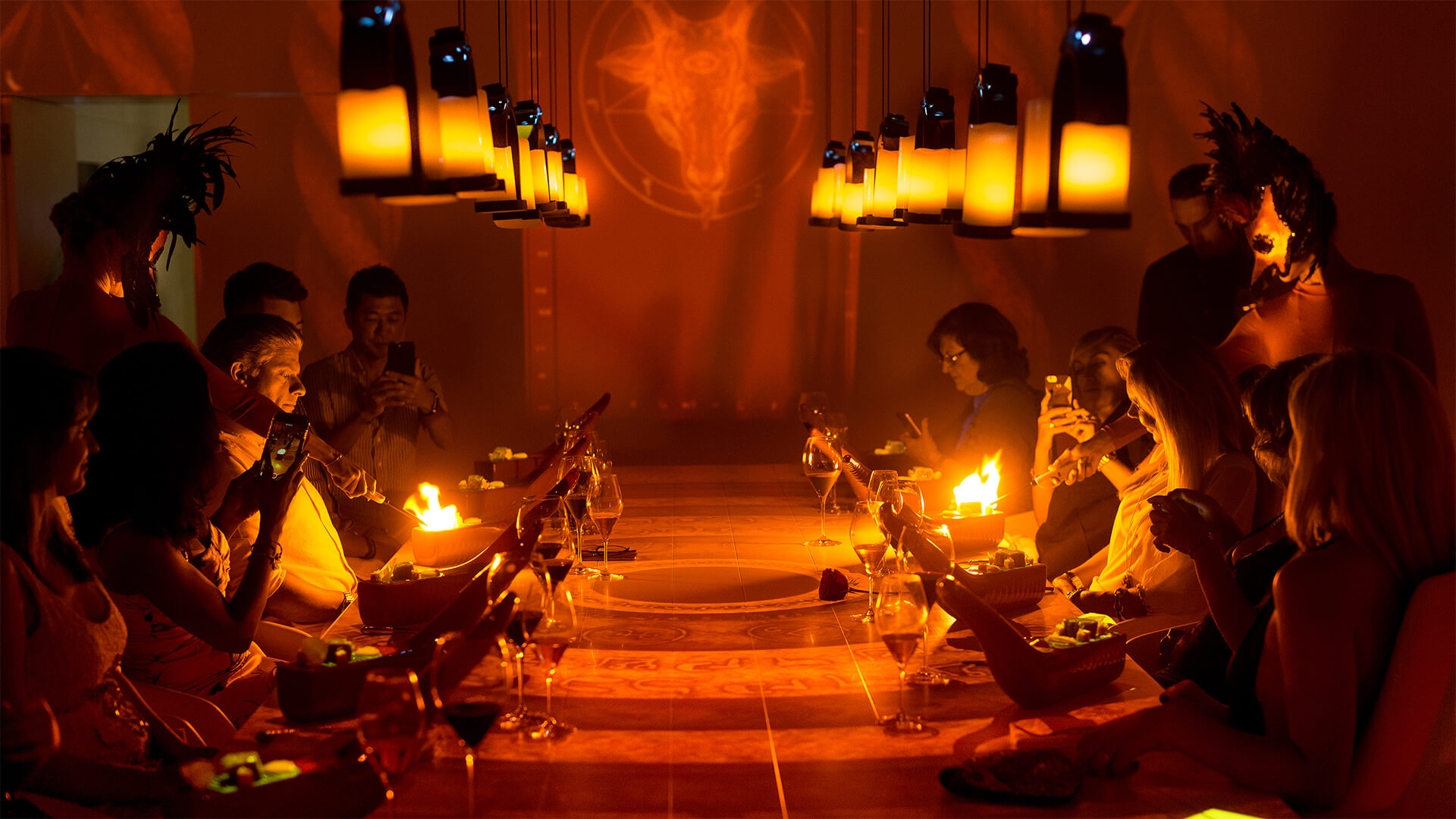 When you’re wealthy, you can pay for a three-hour dining experience that costs, according to CN Traveler, over $1,700 per person. That’s more than the average family will spend for an entire month on food.

SubliMotion is not your typical dining experience, however. In fact, it operates very much like Ultraviolet — only more expensive. Chef Paco Roncero opened the restaurant in the Hard Rock Hotel in Ibiza in 2014, creating a spectacle for the eyes, ears and taste buds. Music and art go along with the 15-20 course tasting menu. 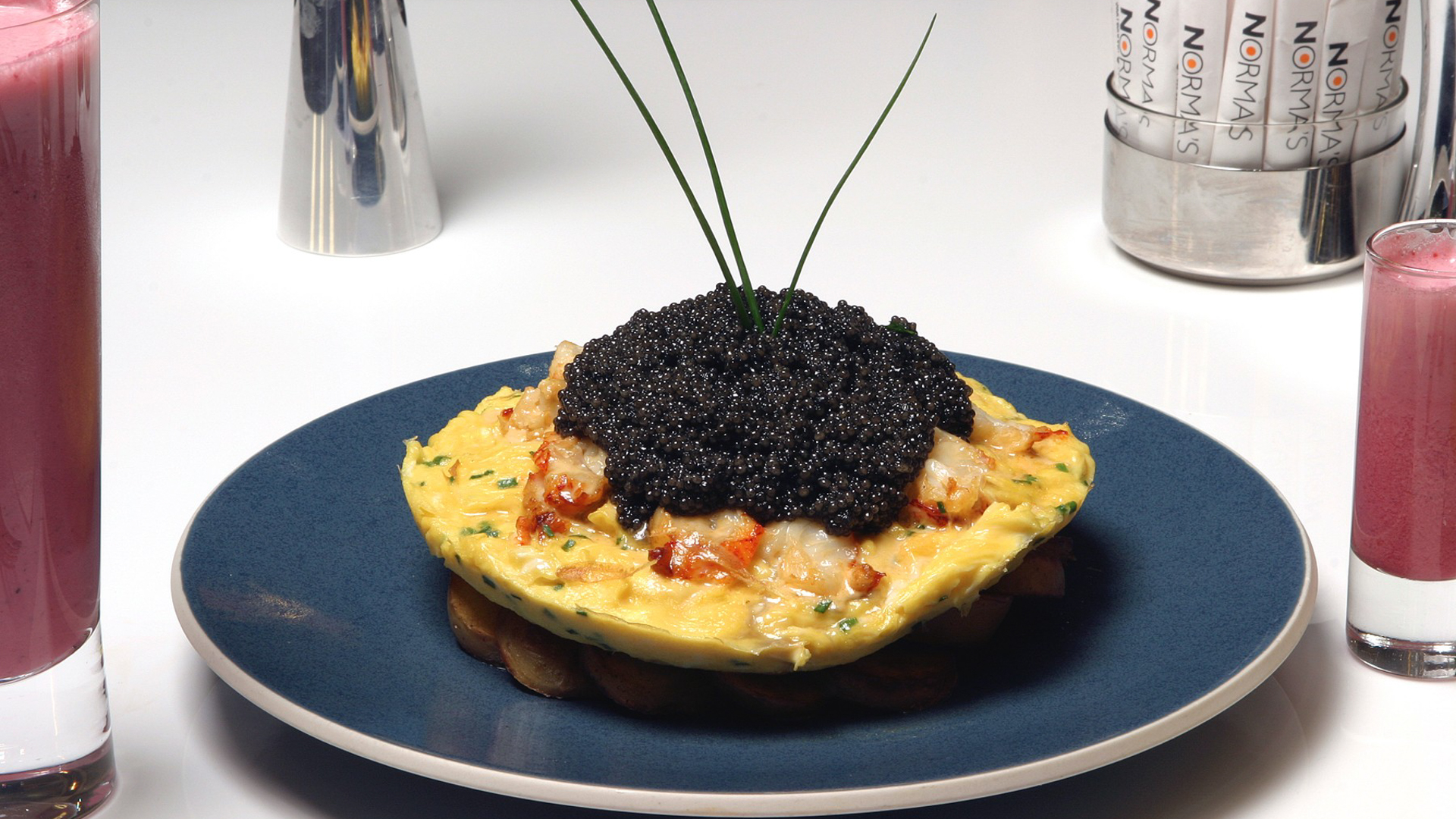 The Zillion Dollar Lobster Frittata may look out of place on the menu for Norma’s in New York, as it isn’t an extremely expensive restaurant, per se. Most menu items are in the $30 range. So what’s the catch? The $2,000 omelet includes 10 ounces of Sevurga caviar, which is a big factor in price. For those who can’t afford to pay the extravagant cost, there is a smaller frittata with only 1 ounce of caviar available for just $200. 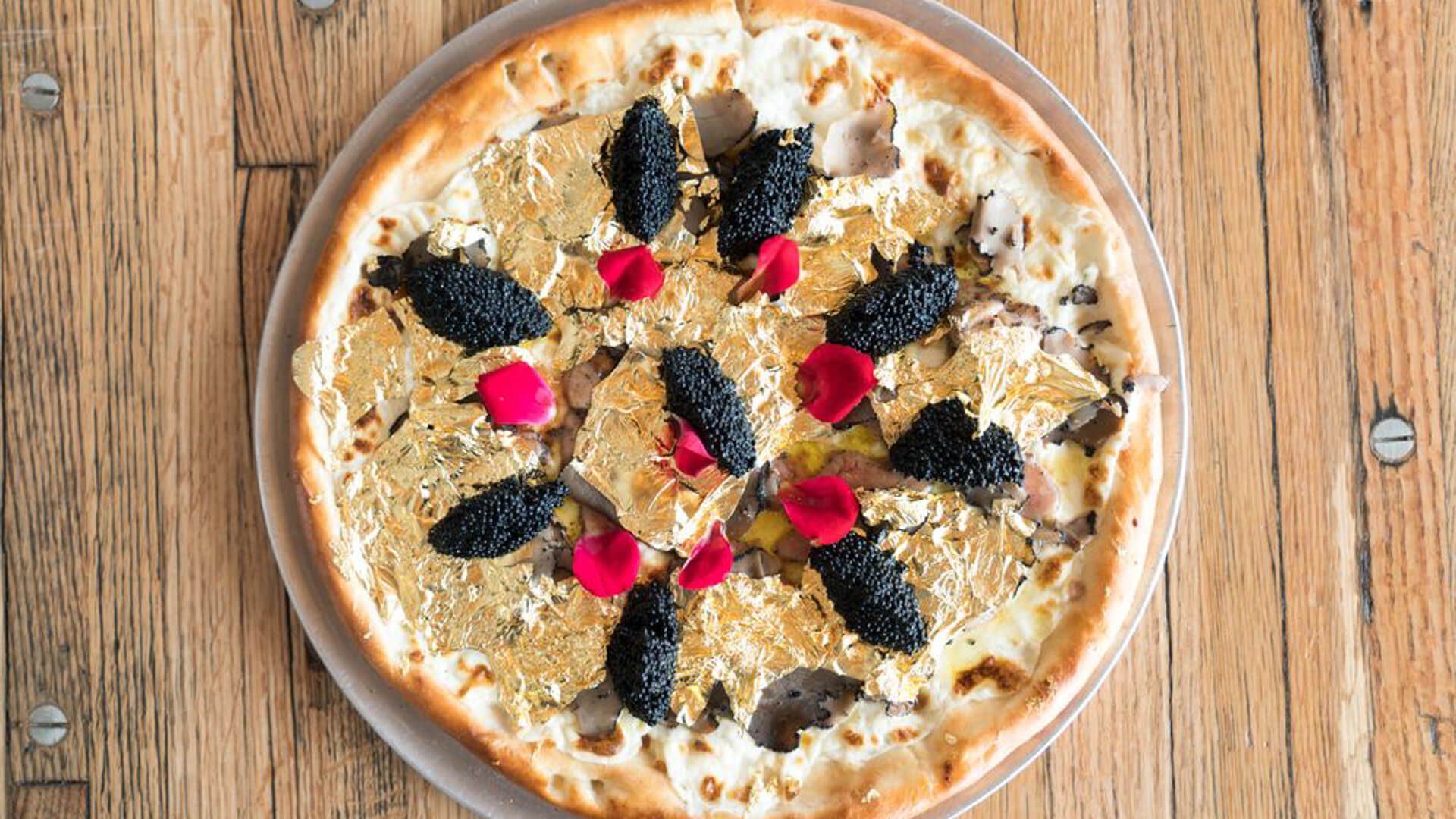 The first pizza making the list of the most expensive meals is the 24K* Pizza at Industry Kitchen, located in New York’s South Street Seaport neighborhood. The pizza requires a two-day advance order, and is truly for the upper crust.

So what makes this pizza cost a whopping $2,700? For one, you’re not paying for an average cheese and pepperoni pie This pizza has Stilton cheese, foie gras, platinum Ossetra caviar, truffles and 24K gold leaves to top it off.

Take a Look: Here’s How Much Restaurants Mark Up Your Food 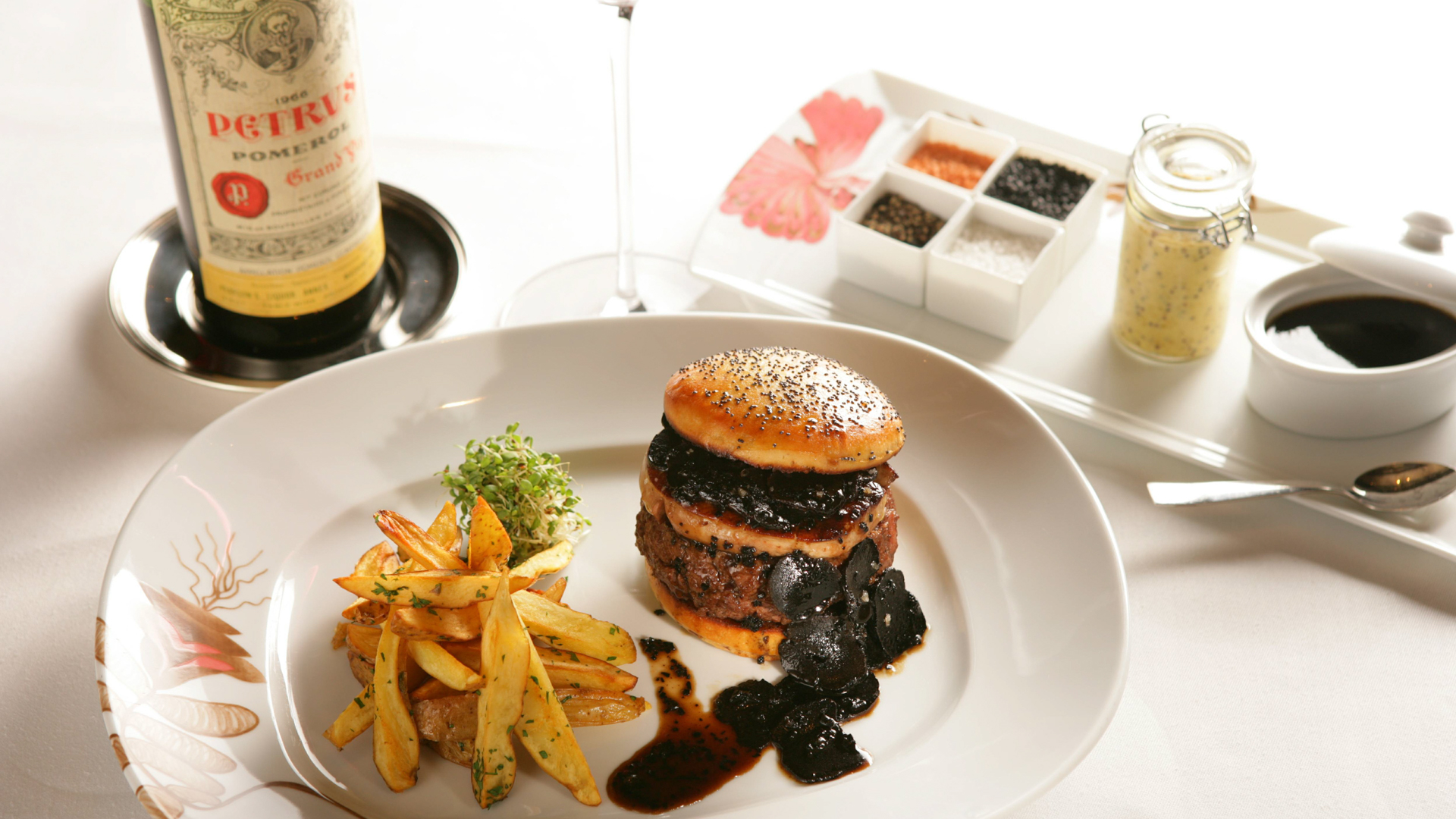 You’re not going to find beef patties that live up to the caliber of chef Hubert Keller at your neighborhood burger chain. This one even knocks Burger Brasserie’s burger out of the park when it comes to price. There’s no question Keller has spiced up his burger with unique additions.

Keller’s Fleur restaurant is located inside the Mandalay Bay Resort and Casino. Only the most expensive meat is used to flavor this $5,000 burger; the Wagyu beef costs about $100 per pound. Also adding to the high cost are truffles worth $1,500 per pound. The meal also comes with a bottle of 1995 Chateau Petrus, valued at $2,500. 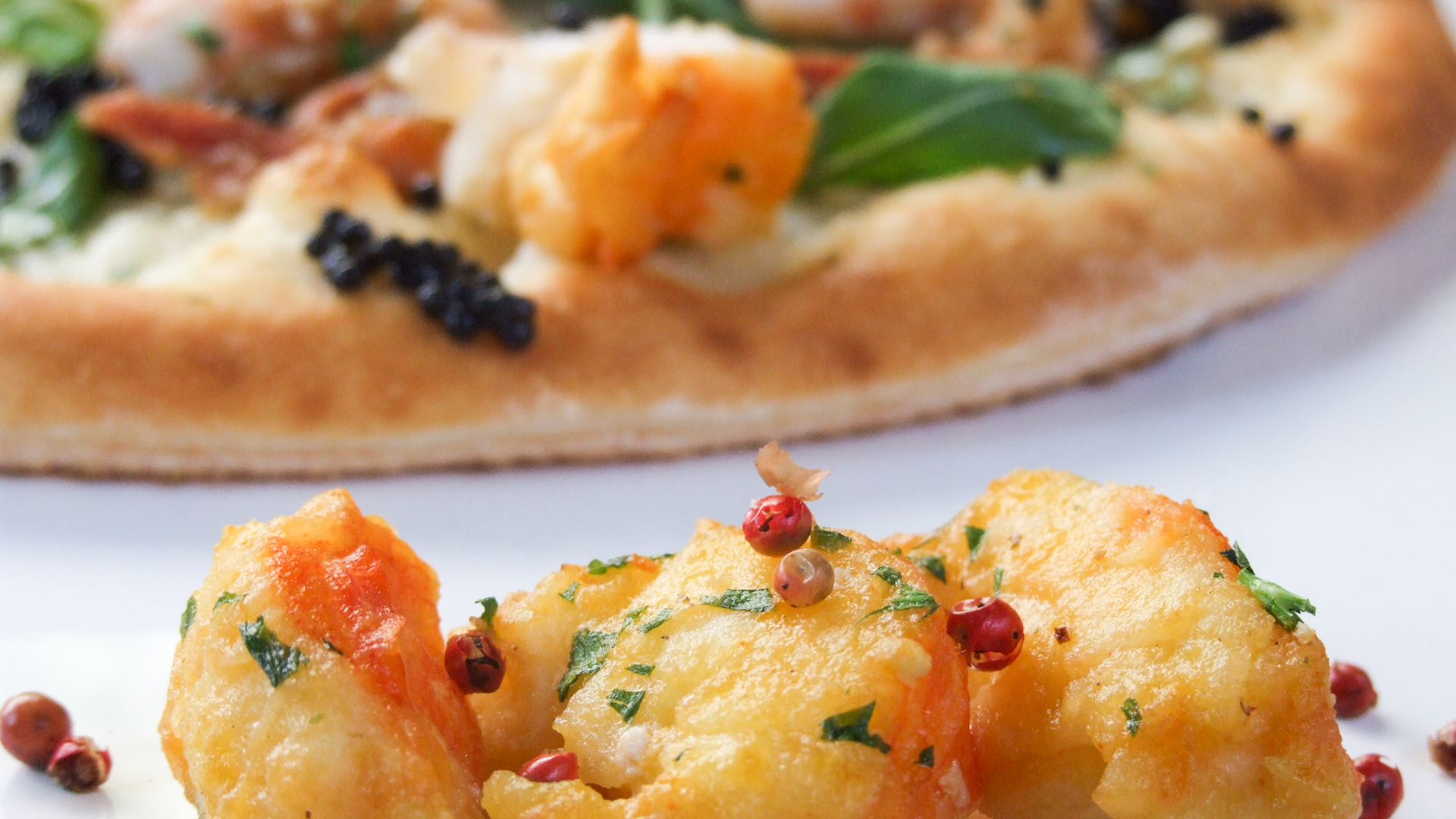 Do you want a pizza fit for a king? If you’re filthy rich you can splurge on the Louis XIII Pizza, one of the most expensive food items you can order. It will be made in your home by Renato Viola, one of Italy’s best master pizza chefs.

The pizza is anything but ordinary, with sophisticated toppings, such as mozzarella di bufala, lobster, and caviar all flown in from all different parts of the world. To top it off, the feast is served with Remy Martin Cognac Louis XIII and Champagne Krug Clos du Mesnil 1995. 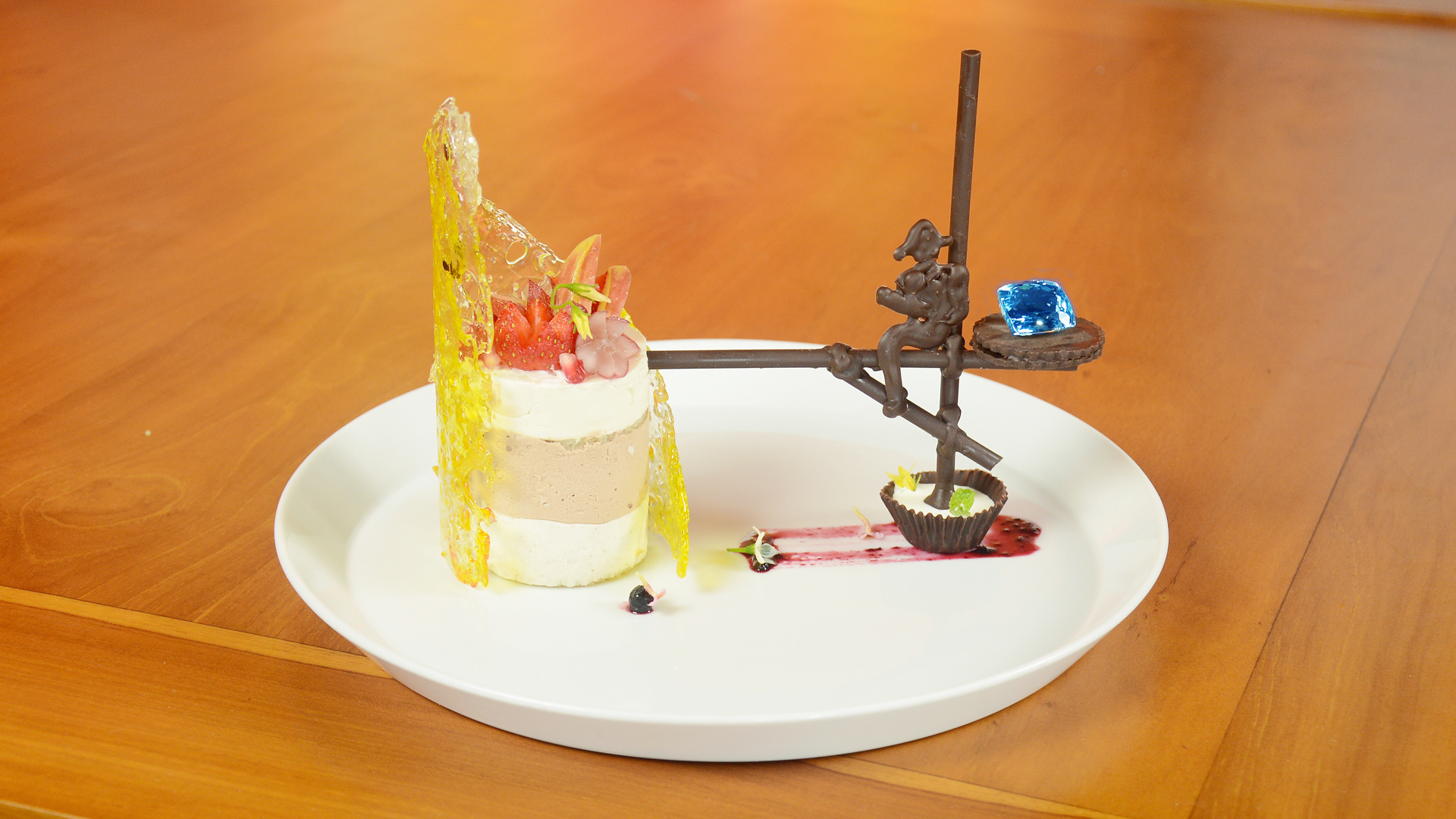 If you prefer to eat nearly $15,000 rather than put it towards retirement or paying off debt, then this is the extravagant dessert for you.

Made on special request, with a minimum of 24 hours notice, the dessert features Italian cassata flavored with Irish cream, and is served with a pomegranate and mango compote. The base is a champagne sabayon, adorned with an 80-carat aquamarine stone, placed beneath a handcrafted chocolate stilt fisherman.