Most Profitable Sports Teams Around the World 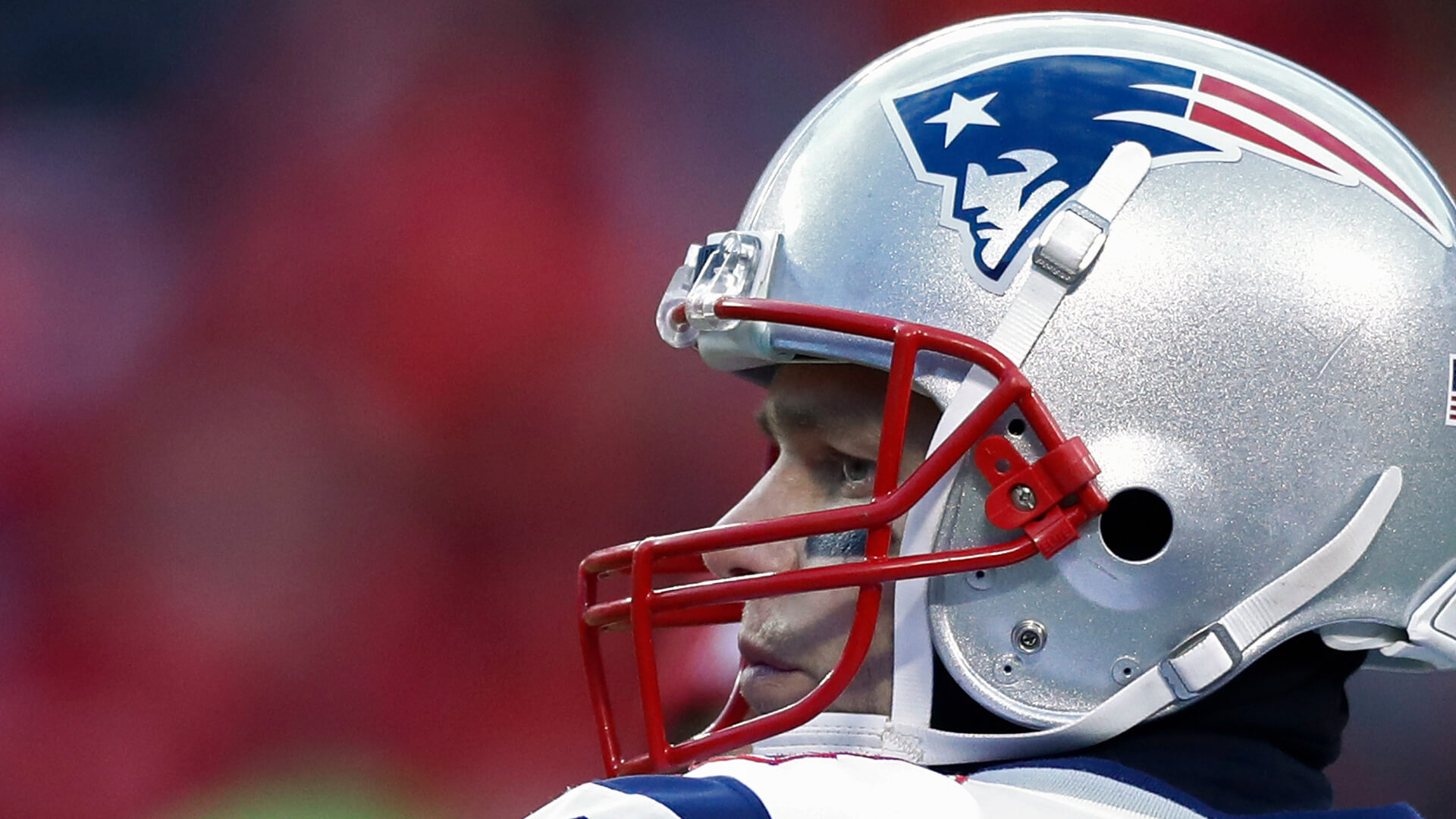 The list of the world’s most profitable sports teams is dominated by football franchises, both the kind we watch here in America and the soccer leagues favored by much of the rest of the world. GOBankingRates determined the most profitable sports franchises around the world by taking the top 50 determined by Forbes and then ranking the 25 with the highest operating incomes. Here’s a look at the soccer clubs, NFL franchises and a few NBA teams that bring in the big bucks. 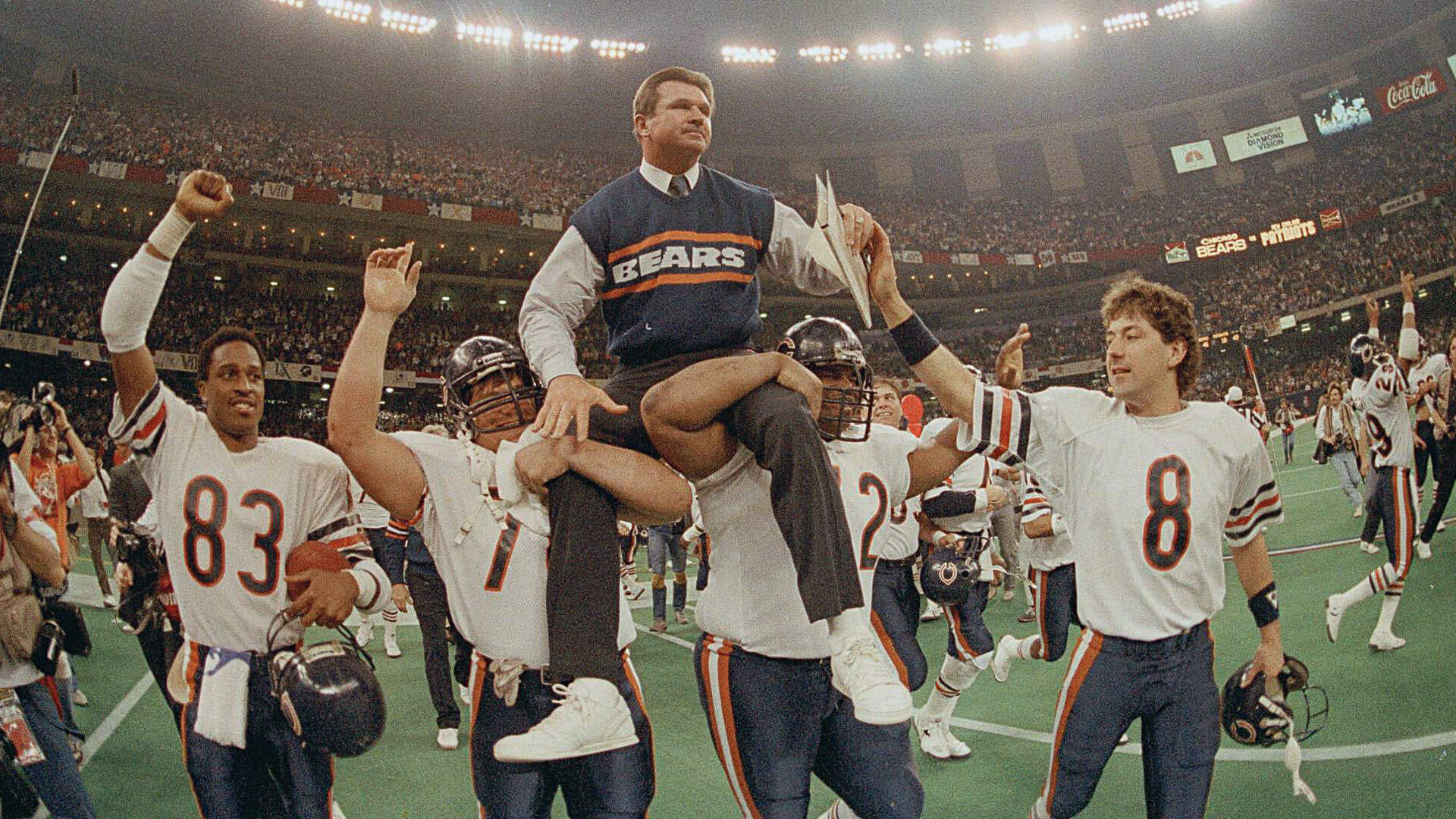 Valued at $2.9 billion, the Chicago Bears are one of the NFL’s most storied teams — but the Mike Ditka glory days were a long time ago. The Bears went 14-34 during the three years ending in 2017 that represented the John Fox era, but the team’s stadium helps to keep it rich. When the Oakland Raiders move to new digs in Las Vegas in 2020, Chicago’s Soldier Field will be the lowest-capacity stadium in the league, which keeps ticket prices high. 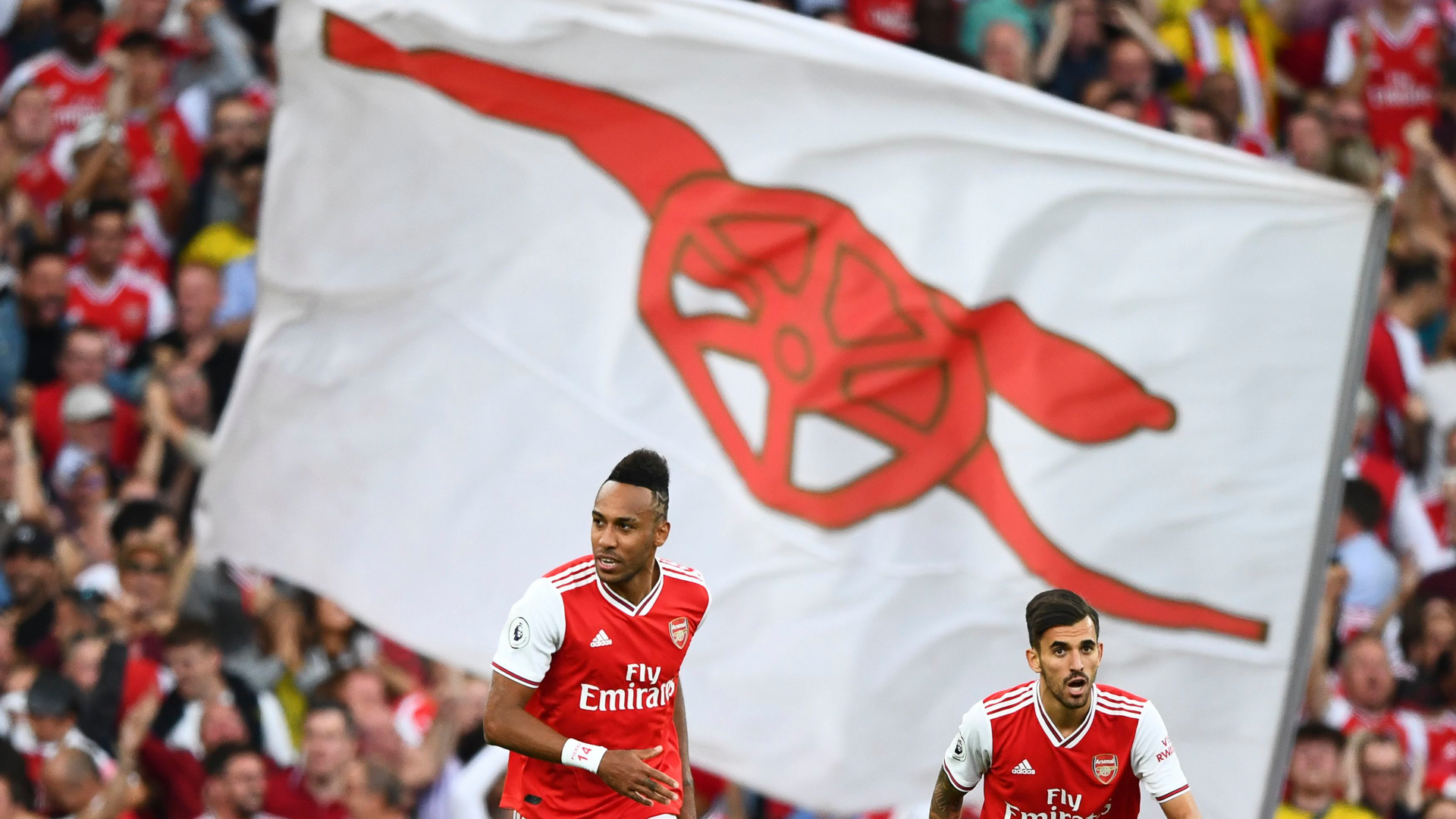 England’s Arsenal soccer club boasts 13 domestic championships. Its $2.27 billion franchise value can be traced, in large part, to the cost of entry at its stadium. A ticket to see Arsenal is the most expensive in the Premier League — $126 a pop when Arsenal is playing its most important opponents. 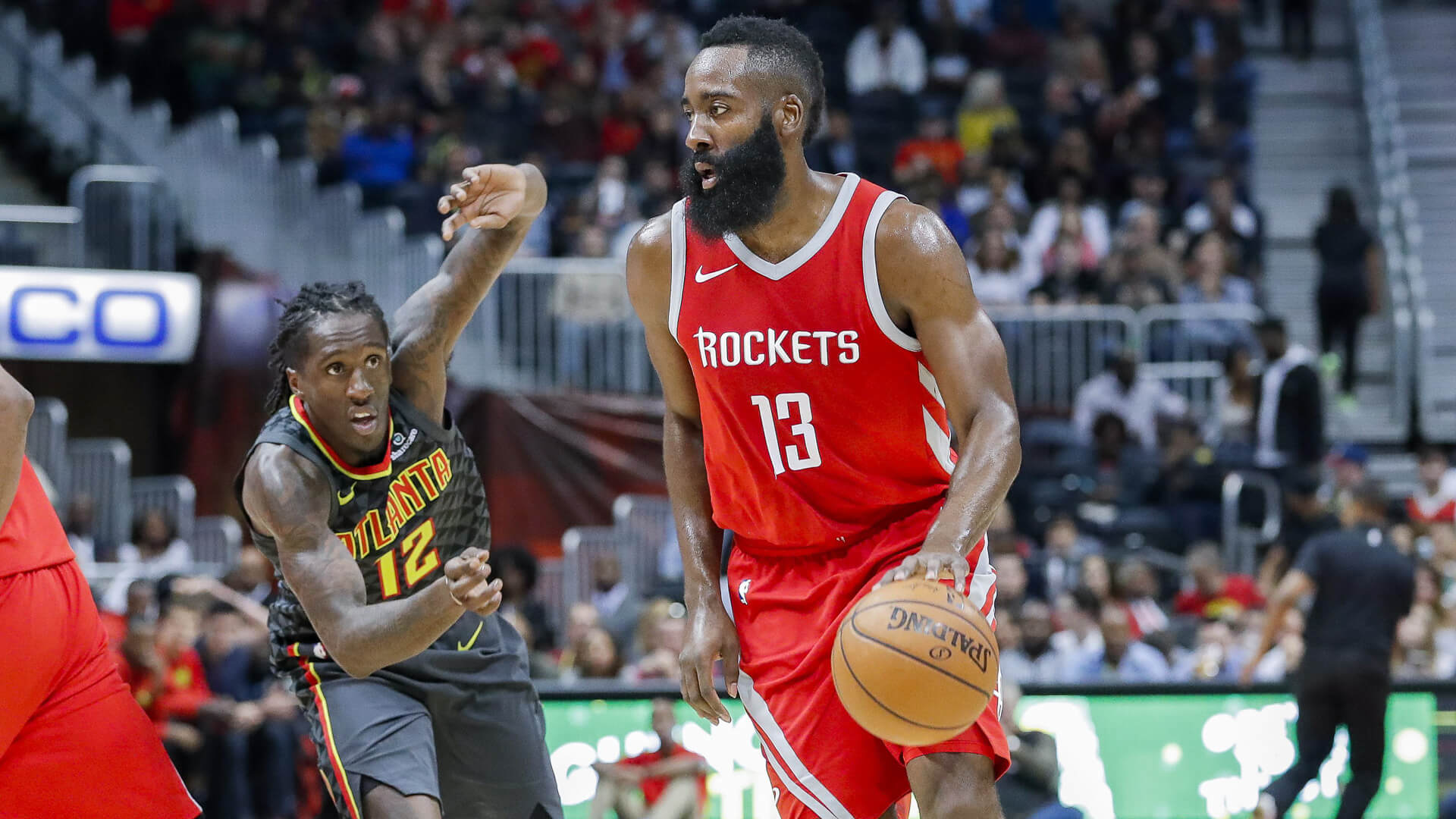 The Rockets are valued at $2.3 billion, about $100 million more than the current owners paid when they bought the NBA franchise in 2017. The team has been hot as of late, making it to Game 7 of the 2018 Western Conference Finals and to Game 6 of the 2019 conference semifinals. On a quest for their first title since 1995, the Rockets recently acquired point guard Russell Westbrook to pair with superstar James Harden. 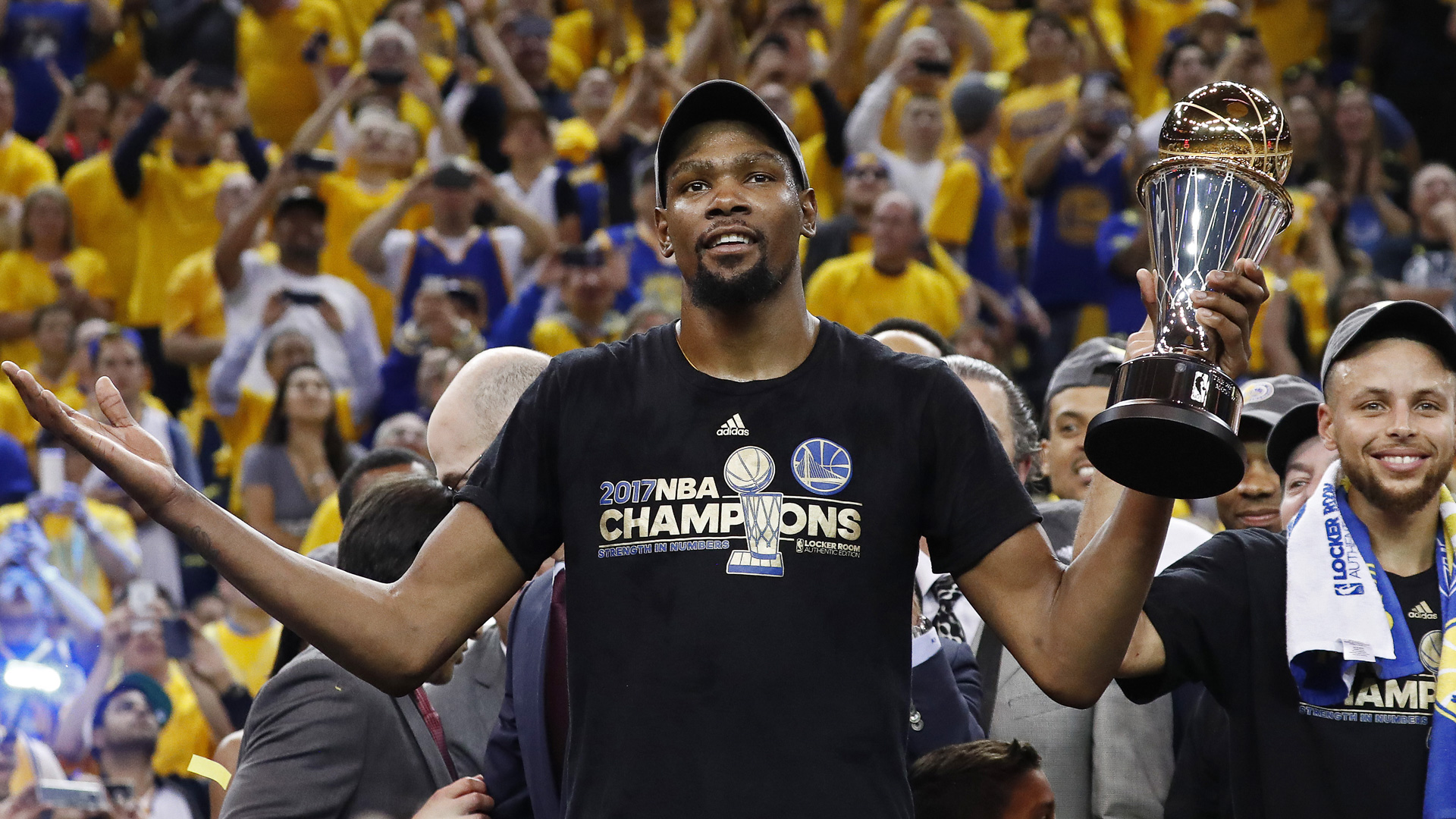 Golden State is the hottest team in basketball both on the court and off — and the Warriors have a $3.5 billion valuation to prove it. In 2017-18, the team won its third NBA title in four years. The Warriors also secured $2 billion in sponsorships and a league-leading $20 million annual jersey patch deal, all while dominating local television with the highest ratings in the region. 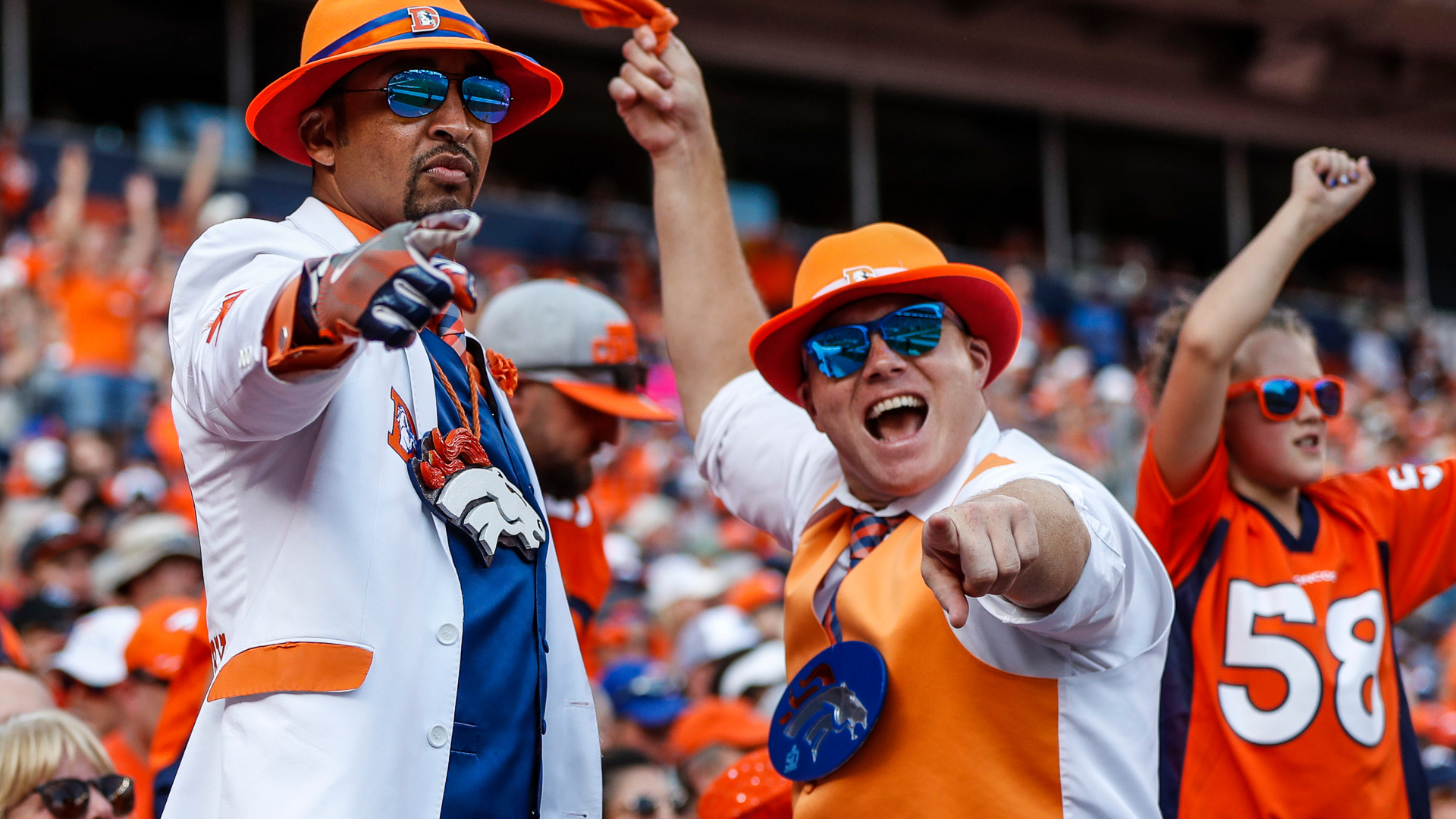 When Sports Authority, the Broncos’ stadium namesake corporation, filed for bankruptcy in 2016, the Broncos regained naming rights to Broncos Stadium at Mile High, adding to the team’s $2.65 billion valuation. The bigger contributor, however, is that Denver enjoys one of the most loyal fan bases in sports. In November 2018, the Broncos sold out their 400th consecutive home game, extending the longest sellout streak in the NFL. 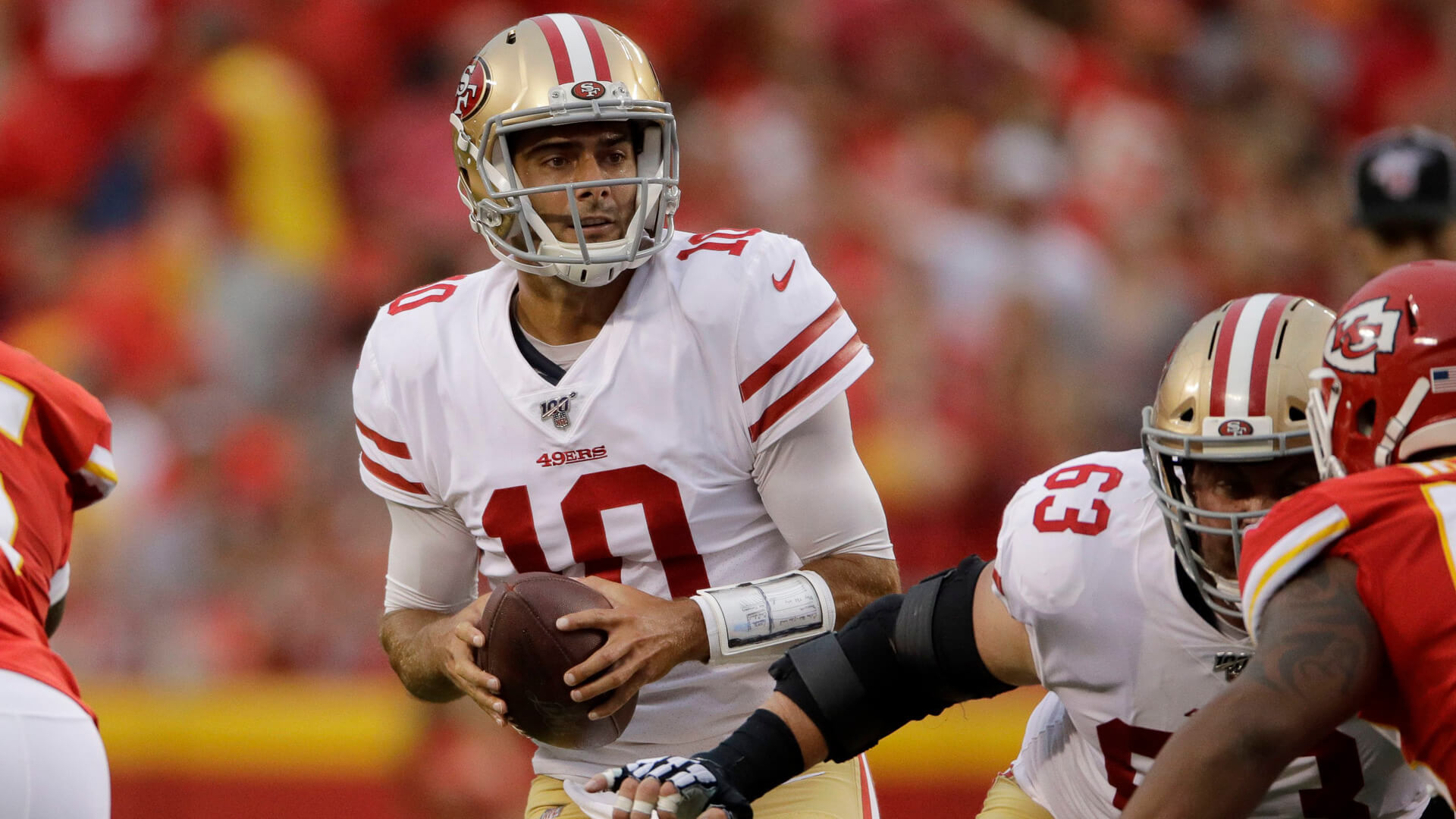 The San Francisco 49ers are valued at $3.05 billion, even though they haven’t been to the playoffs since 2013. The team is hoping the nine-figure contract that was awarded to Jimmy Garoppolo in 2018 — the most lucrative deal in NFL history in terms of average annual value at the time — will pay off and he’ll emerge as the franchise quarterback. 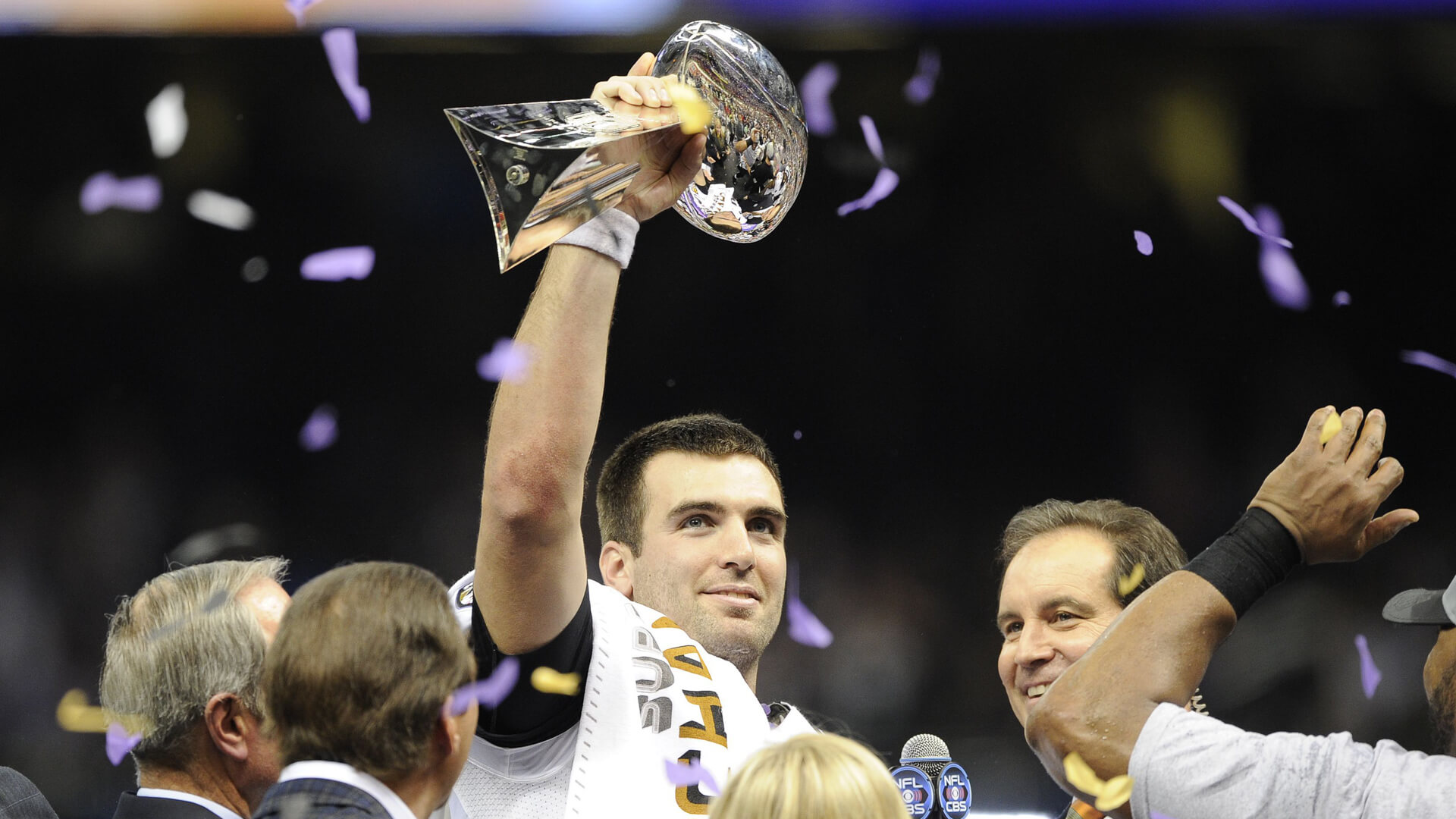 Stephen Bisciotti paid just $600 million when he bought the Ravens in 2004. His investment is now valued at $2.59 billion. The team keeps fans coming back, in part, with cheap concessions, including $5 beers and $3 hot dogs, along with its performance on the field. One of the most consistent teams in football, Baltimore has qualified for the playoffs in seven of the past 11 seasons and won the Super Bowl in 2013. 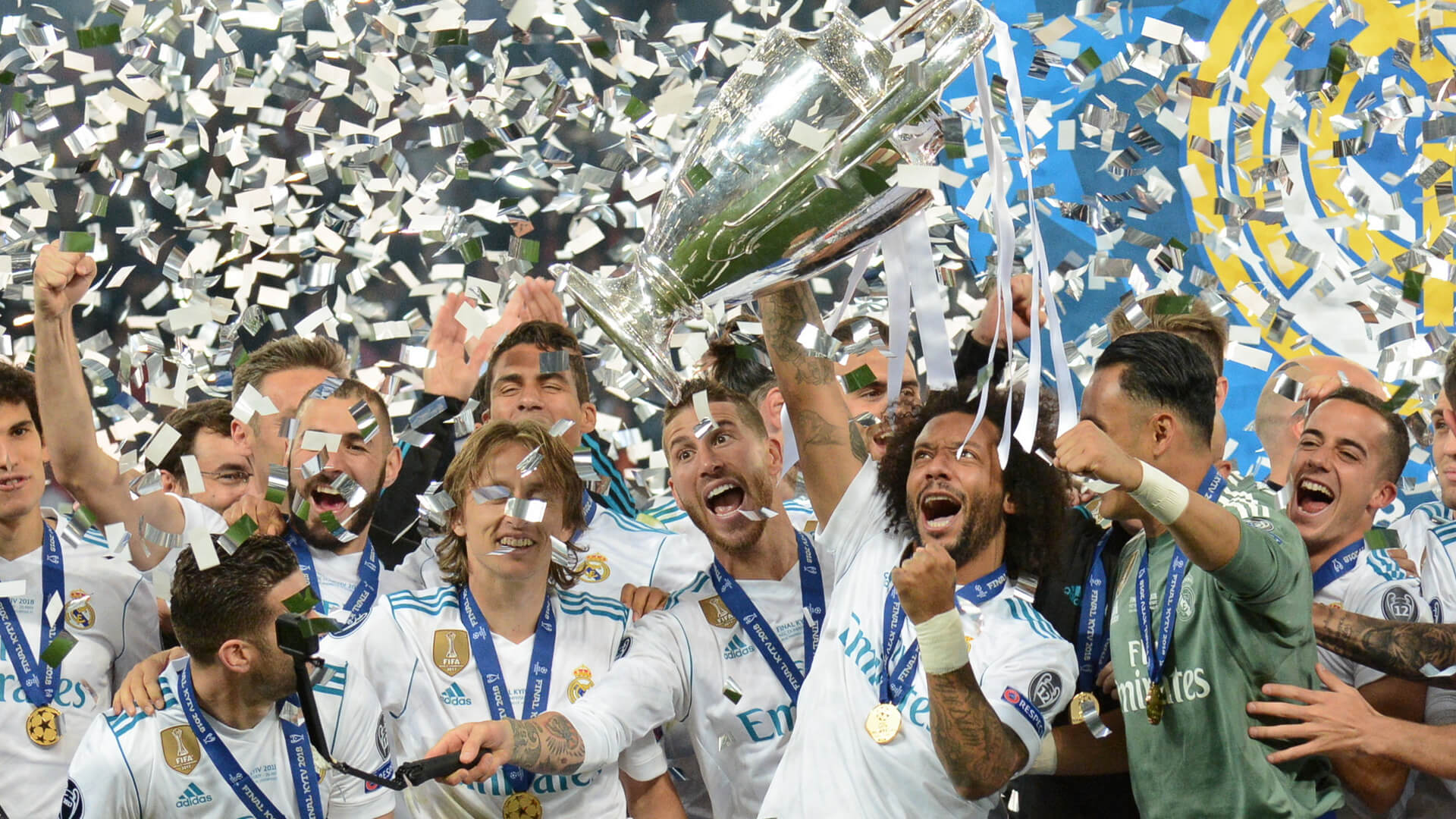 In terms of team value, Real Madrid is the biggest soccer club in the world — the franchise is valued at $4.24 billion. The team holds bragging rights for 33 domestic championships, but its moves off the field sweeten the pot, too. Real Madrid’s contract with Adidas pays it $113 million annually plus 20% of Real Madrid merchandise sales through 2028.

The Falcons are known for cheap stadium eats — cheaper even than the Ravens. The team also enjoyed enormous success with the inaugural year of its new $1.5 billion stadium in 2017, which contributed to a whopping 70% increase in local NFL revenue. Fans spent more at the new stadium despite concessions prices being half of what they were the prior year. The Falcons franchise is valued at $2.6 billion. 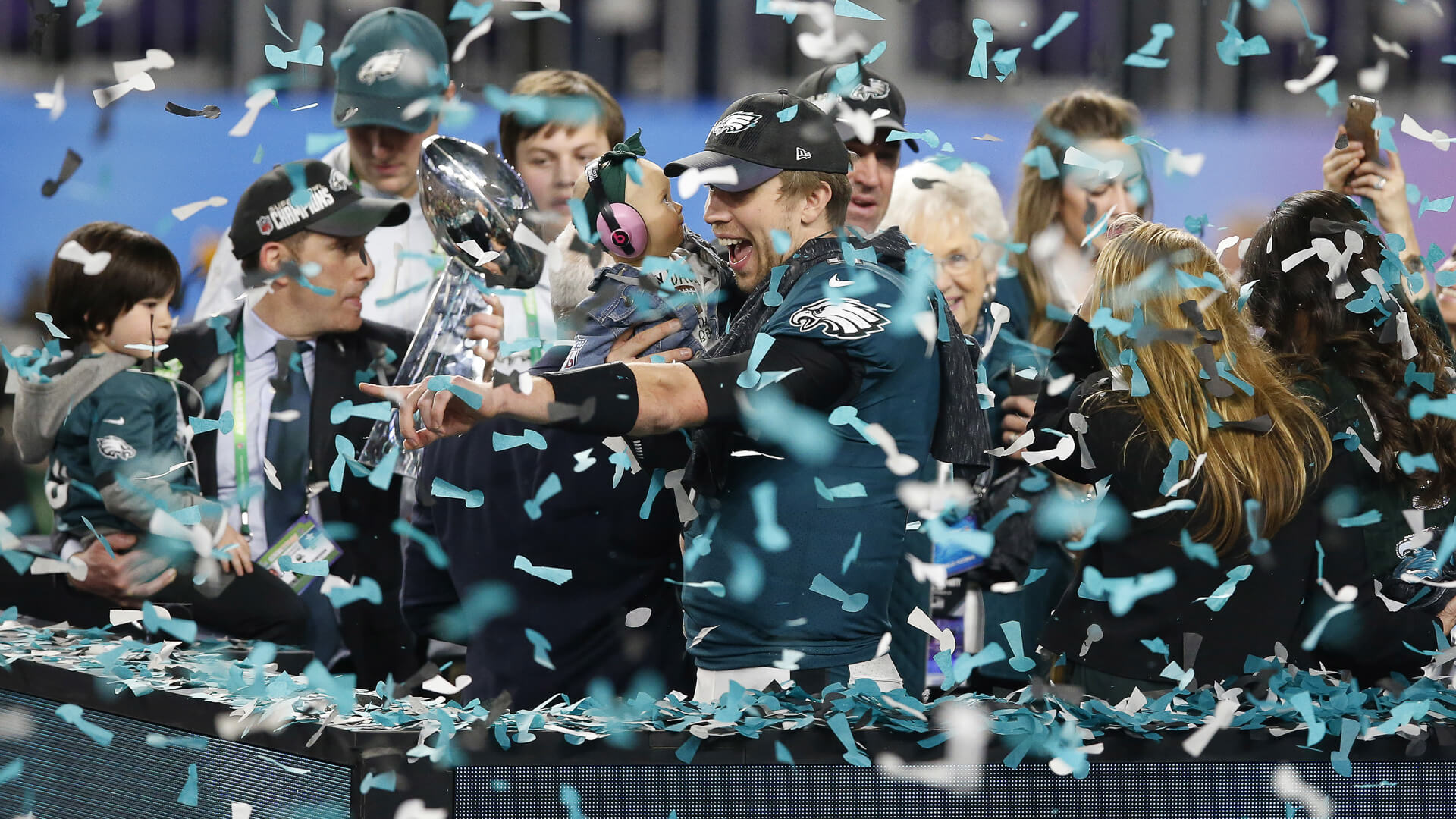 There are 40,000 fans on the waiting list for season tickets to Lincoln Financial Field. The Birds have raised prices consistently since the Linc was built in 2003, but now Philly has more leverage than ever. Part of the team’s $2.75 billion valuation can be credited to the Eagles’ stunning victory over the New England Patriots dynasty team in Super Bowl LII, which they pulled off with a backup quarterback. 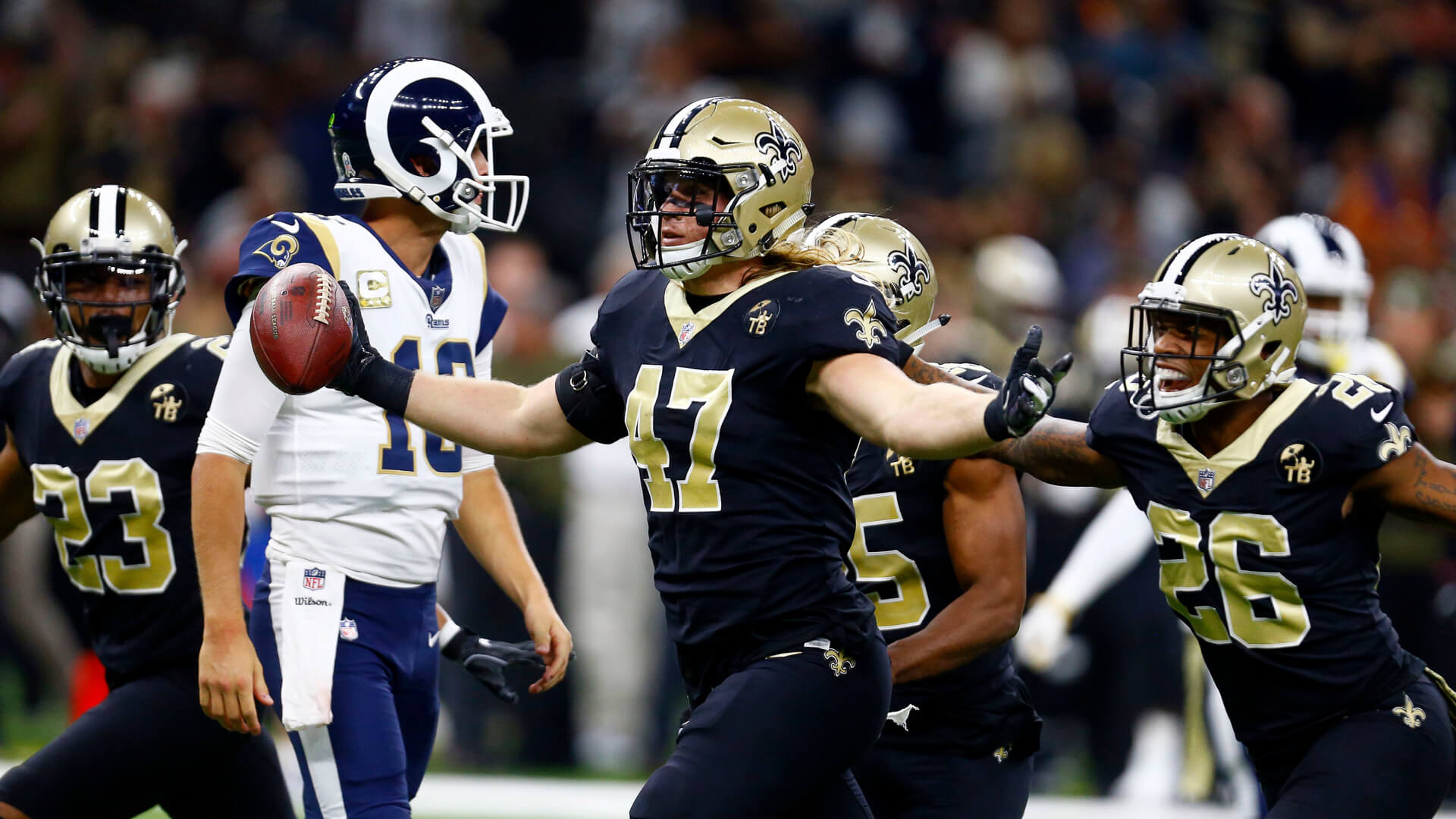 The Saints won 13 games in 2018, winning the NFC South and tying the Los Angeles Rams for most wins in the NFL. They went all the way to the conference championship game in the playoffs, losing to those same Rams. The secret to the team’s $2.08 billion valuation, however, is the fact that the Saints are squatters. Boasting what is probably the NFL’s sweetest lease deal, the Saints pay no rent and even took in $18 million from the state last season. 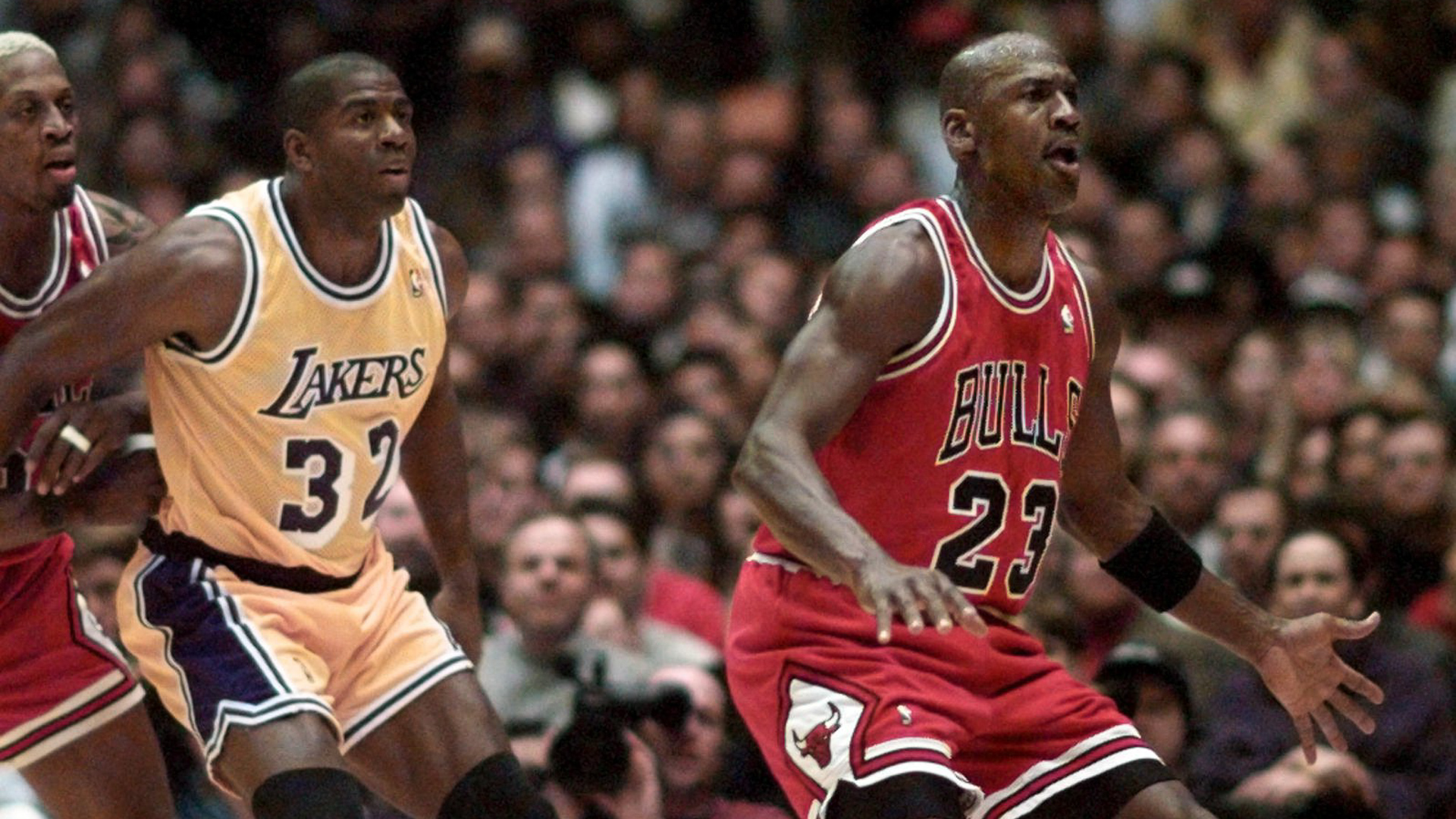 Once an NBA dynasty, the Bulls lost two out of every three games in 2017 and did even worse last season, when they lost 60 games. Even still, the storied franchise led the league in attendance for nine seasons in a row. Only this year did the Bulls slide out of the top spot in ticket sales, falling below the Philadelphia 76ers. The franchise is valued at $2.9 billion. 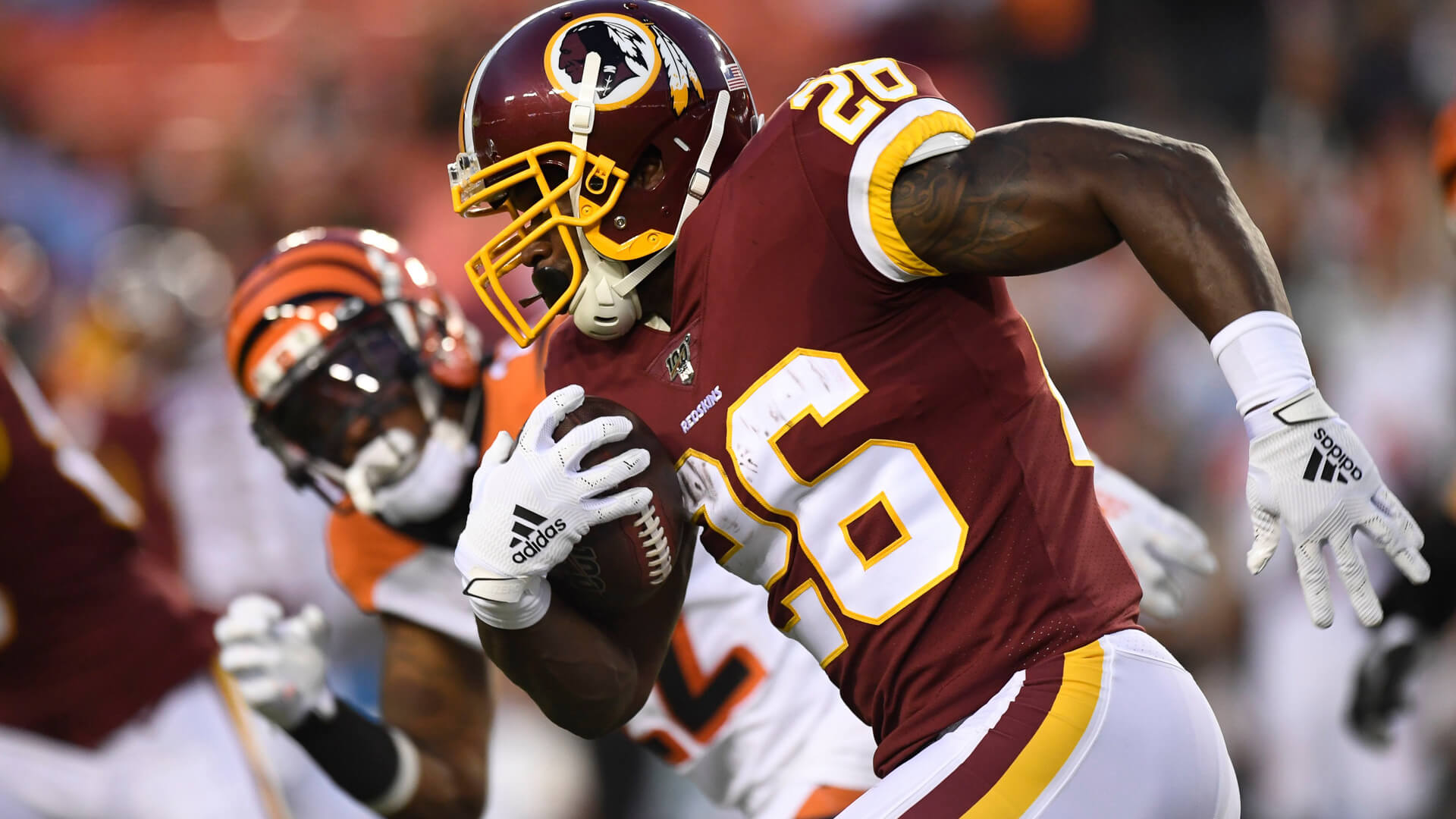 Only four teams sold fewer tickets last season than the Redskins, who now only fill their stadium to a capacity of about 88%. They’ve made the playoffs just twice in 11 years. It’s a far cry from the team’s glory days when the waiting list for season tickets was said to be 200,000 fans strong. Even so, the Redskins are a national brand, and the team is valued at $3.1 billion. 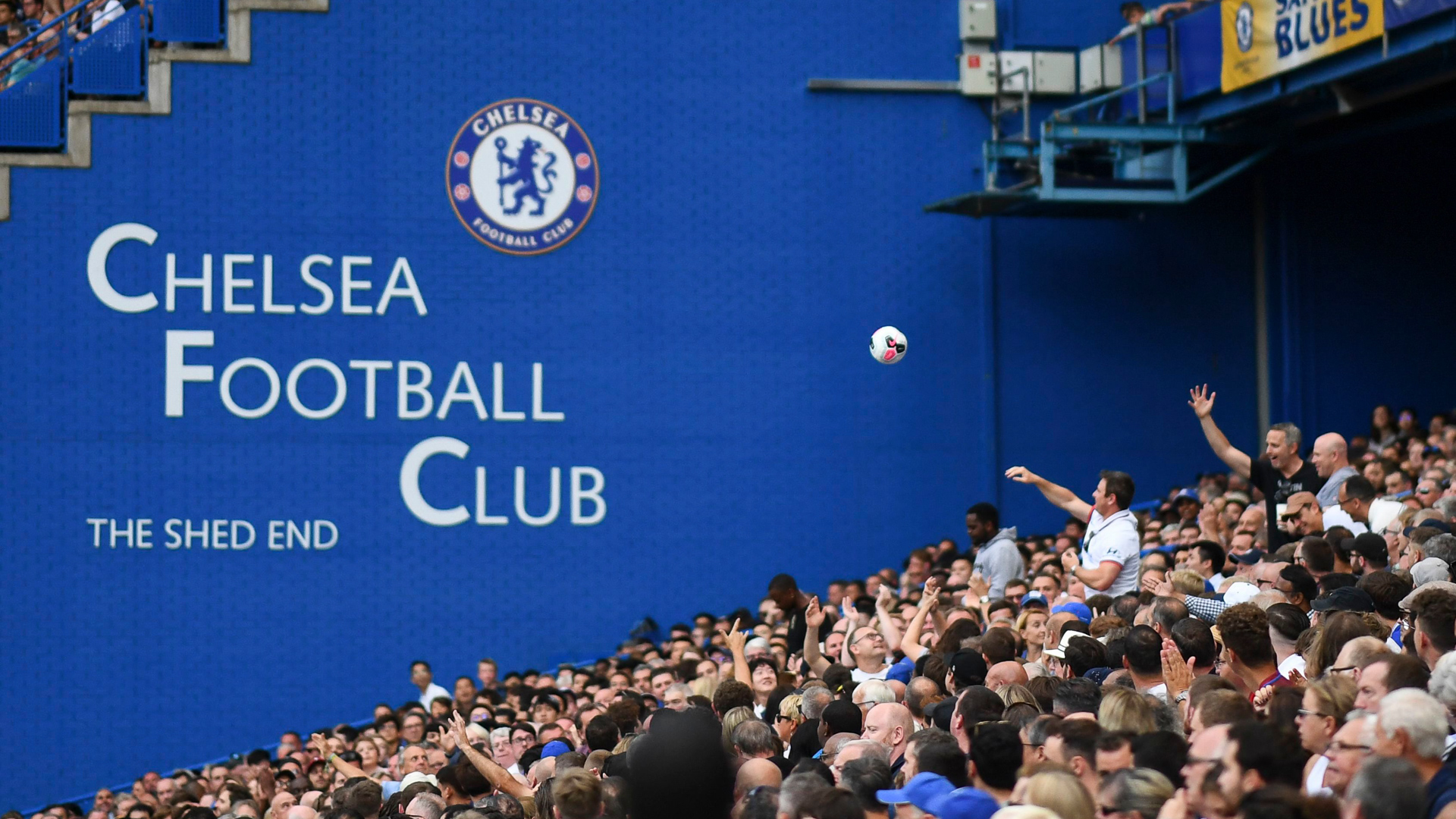 Chelsea has six domestic championships under its belt, but the real source of its wealth comes from its executive office. No English soccer franchise comes close to the $438 million Chelsea has earned from player sales over the past five years, a statistic that weighs heavily into Chelsea’s $2.58 billion valuation. 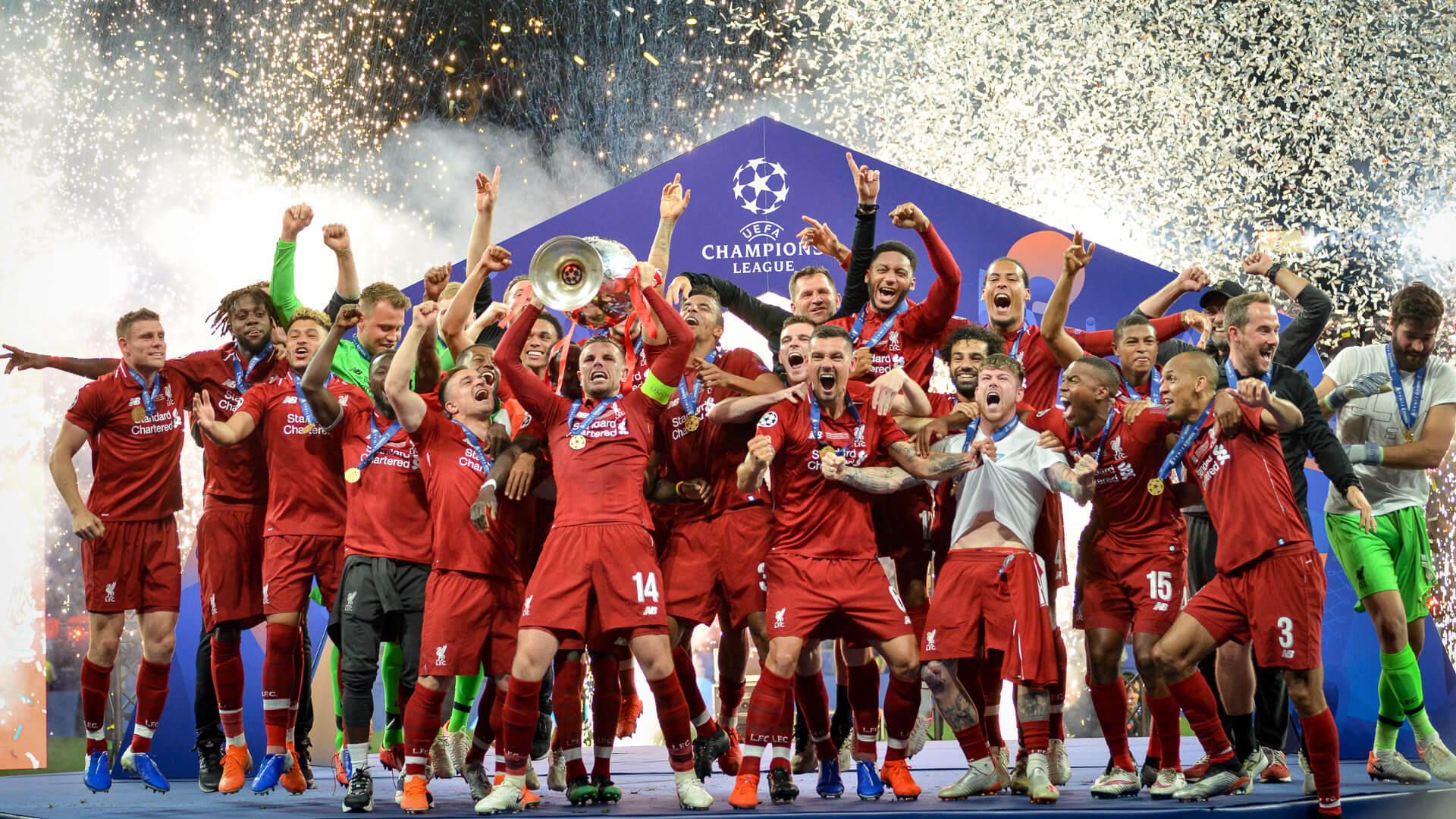 Liverpool, with its 18 domestic league championships, is valued at $2.18 billion — but that number likely will grow by even more soon. The team is poised to sign a kit deal with Nike that would be bigger than any in the Premier League. The deal, which would start during the 2020-21 season, would be more lucrative than even Manchester United’s currently reigning $91 million annual contract with Adidas. 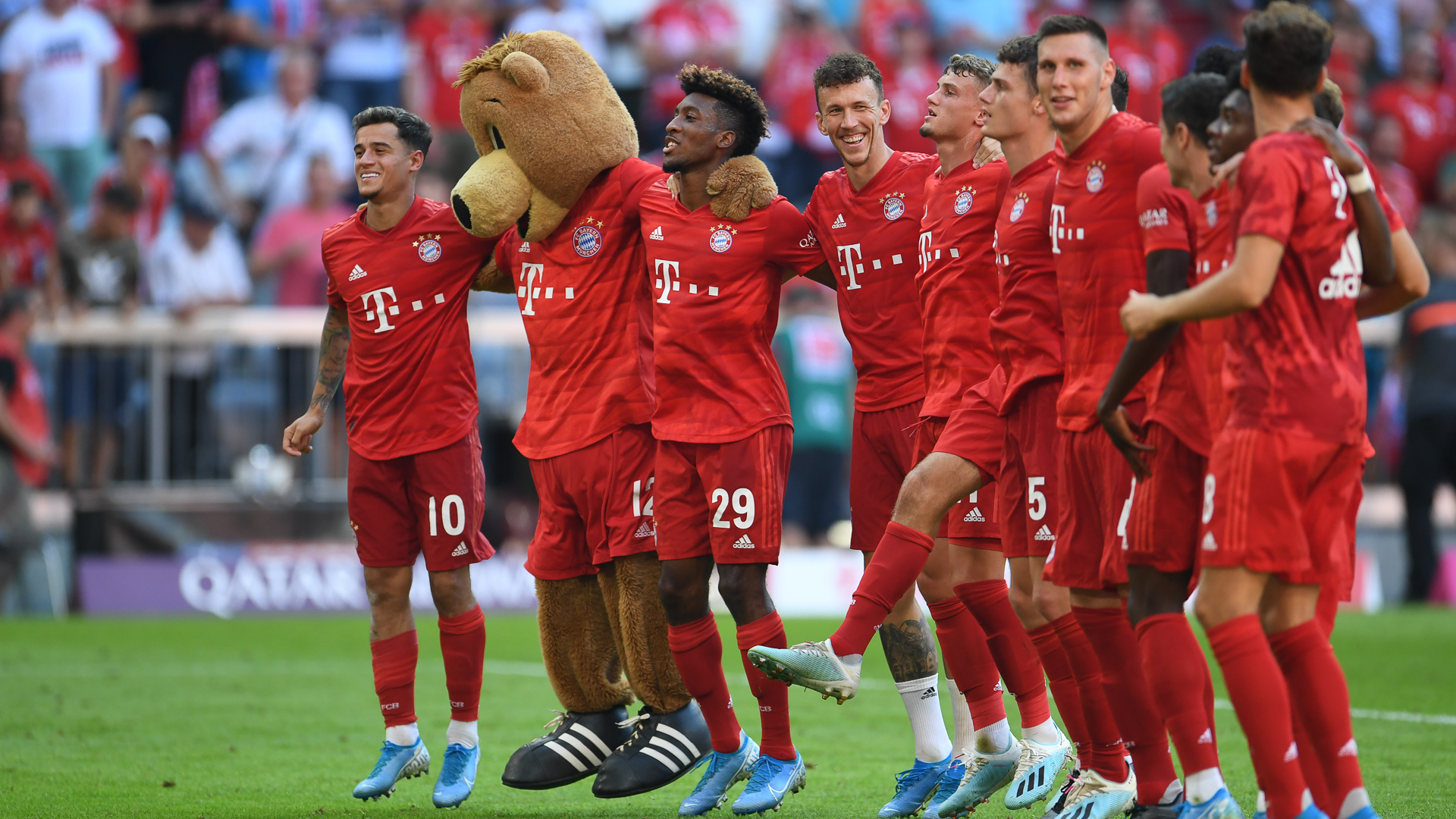 It’s not hard to understand why Bayern Munich is valued at $3.02 billion and is one of the 10 most profitable franchises in the sporting world when you look at the team’s performance. The German Bundesliga league franchise boasts 29 domestic championships and has qualified for the Championship League 22 seasons in a row. 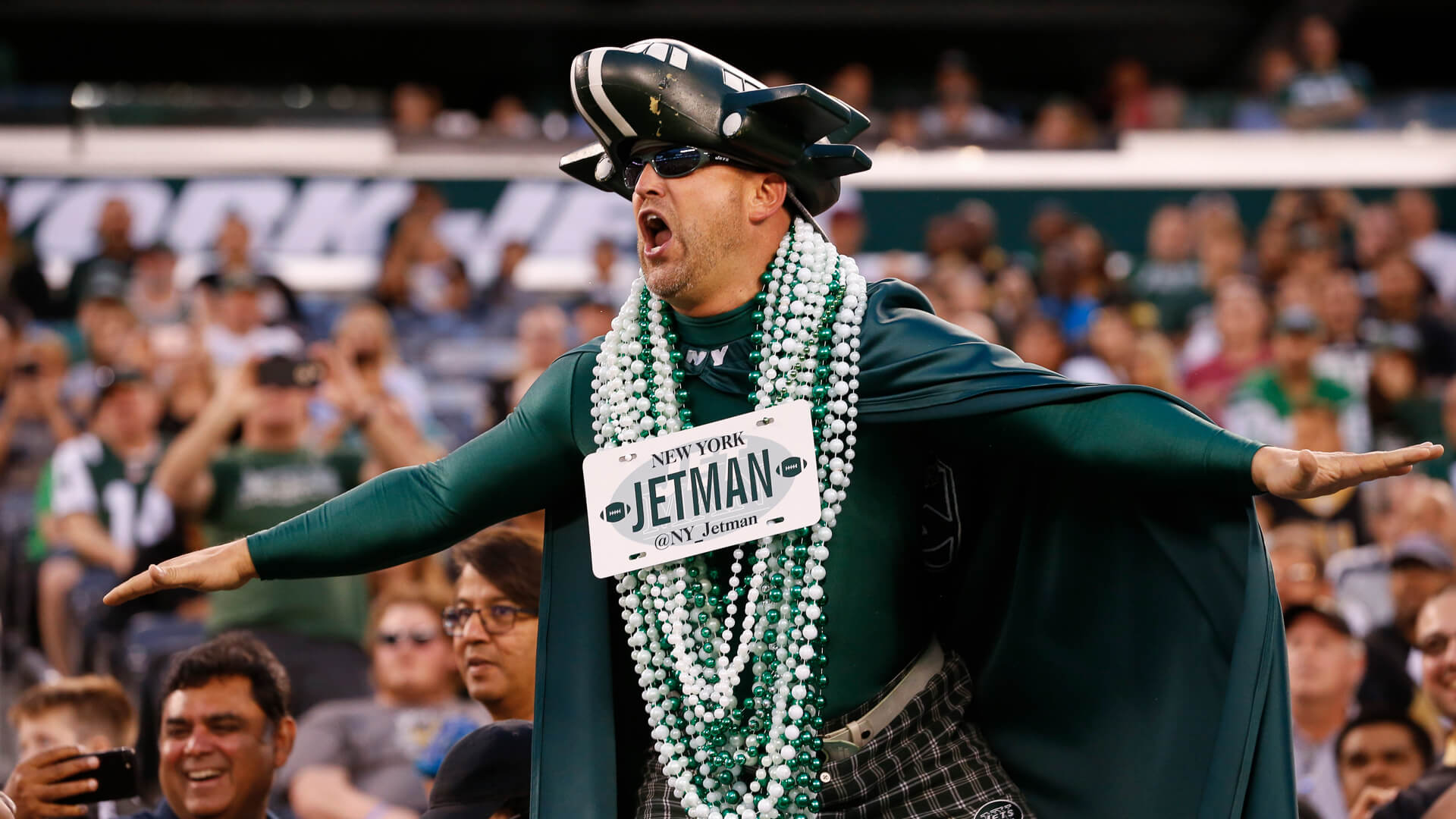 The lowly Jets haven’t made the playoffs since 2010, but the team is valued at $2.85 billion. Finishing in the bottom half of the AFC East seems to be wired into the Jets’ DNA, and they suffer those losses in the largest market in the country and one of the largest in the world. Still, despite their status in the rankings, they are a New York City NFL team, which makes them one of the 10 most profitable franchises around the world. 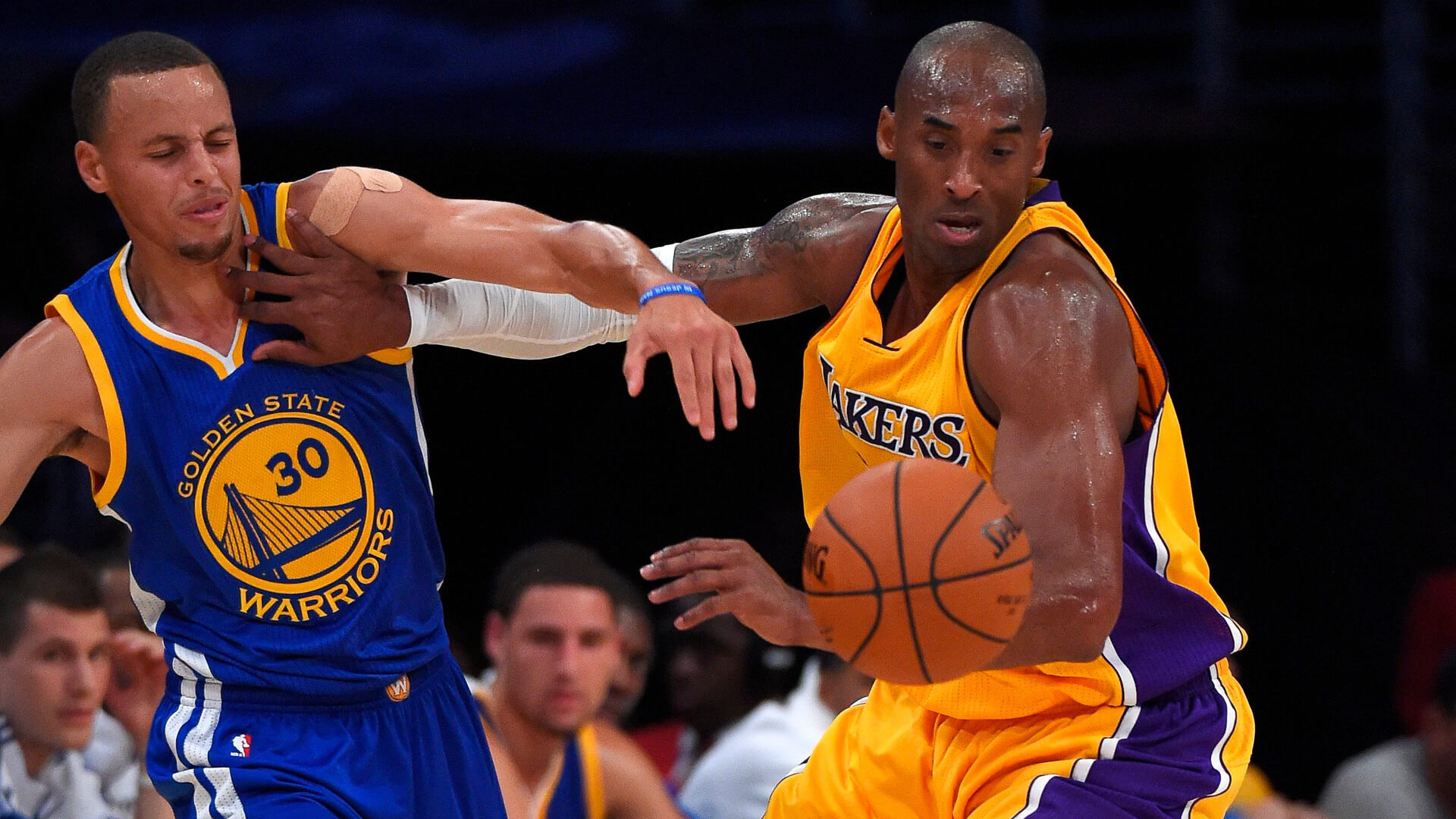 The Lakers are valued at $3.7 billion, making them No. 2 on the most valuable list of NBA teams. Over the past five years, the storied franchise has been, in a word, terrible — but for Los Angeles basketball, losing on the court doesn’t lead to lost profits. The Lakers enjoy $150 million a year in local TV and radio revenue, more than 10 times what teams in smaller markets make. Then there’s the little thing of signing a guy named LeBron James and trading for another superstar, Anthony Davis. 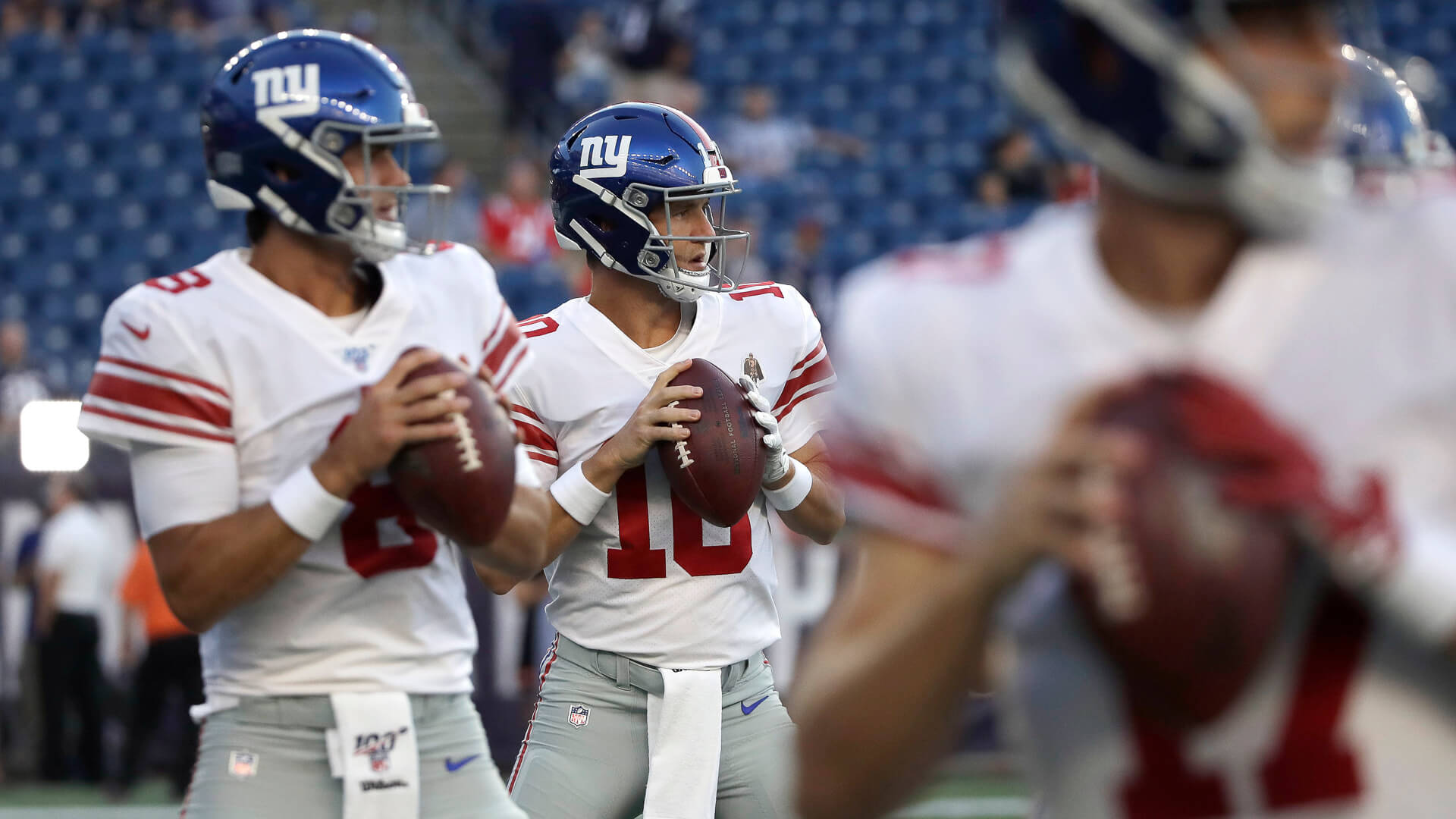 The Giants followed up a miserable 2017 season, when they finished 3-13, with a slightly less dreadful 5-11 showing last year, earning them the bottom spot in the NFC East two years in a row. Like the Jets, however, the Giants play in America’s biggest media market, and the team is valued at $3.3 billion. The Giants have the fifth-most expensive tickets of any franchise in the NFL. 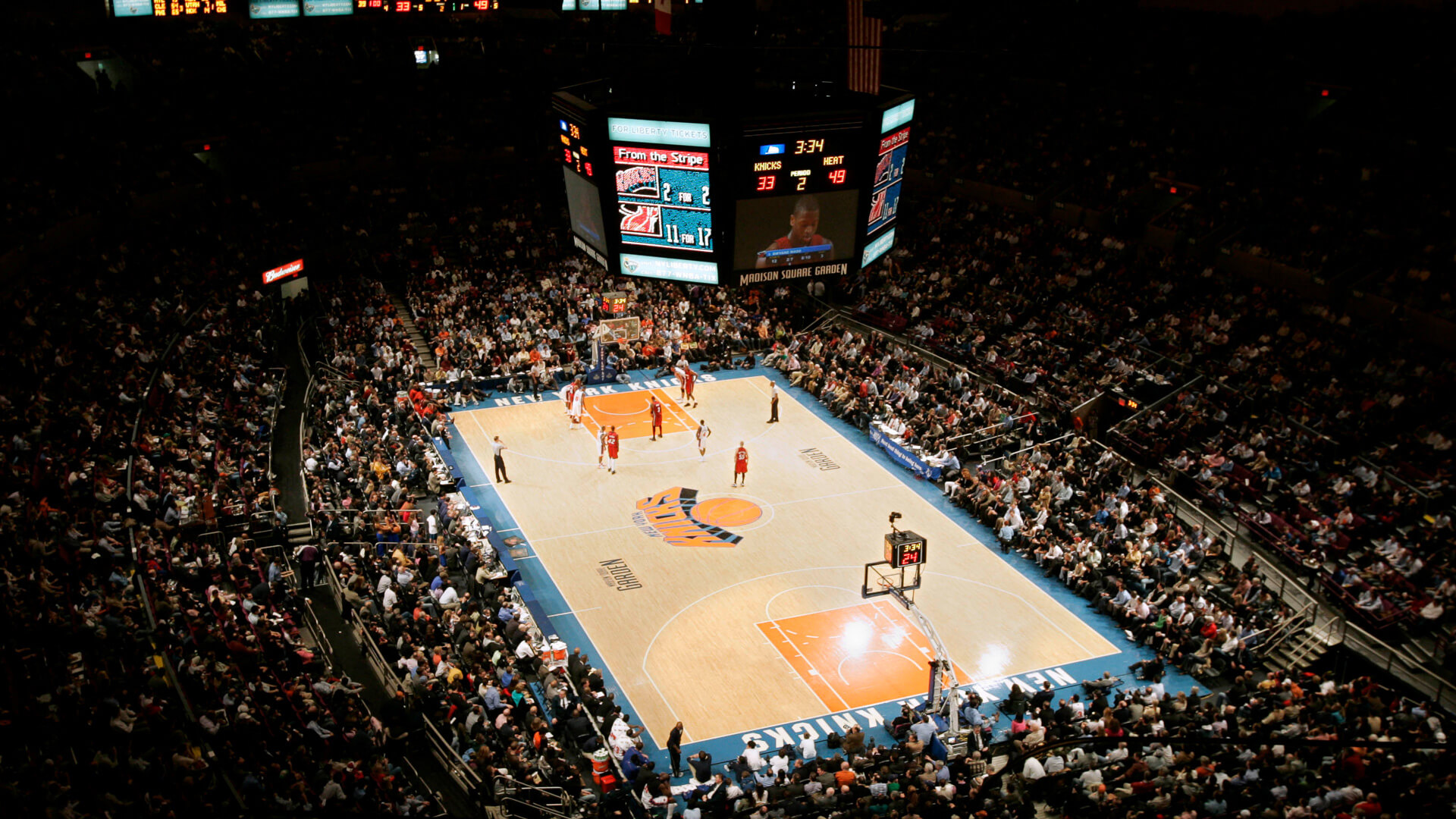 Worth $4 billion, the Knicks are the most valuable team in the NBA and have been for four years straight. The Madison Square Garden Co., which owns the Knicks, developed a complex business plan that involves spinning off its sports division, which includes the New York Rangers NHL franchise, into a separately traded company. That, coupled with a $1 billion renovation to the Garden, makes the Knicks one of the most profitable teams despite the fact that they haven’t been to the playoffs since 2013. 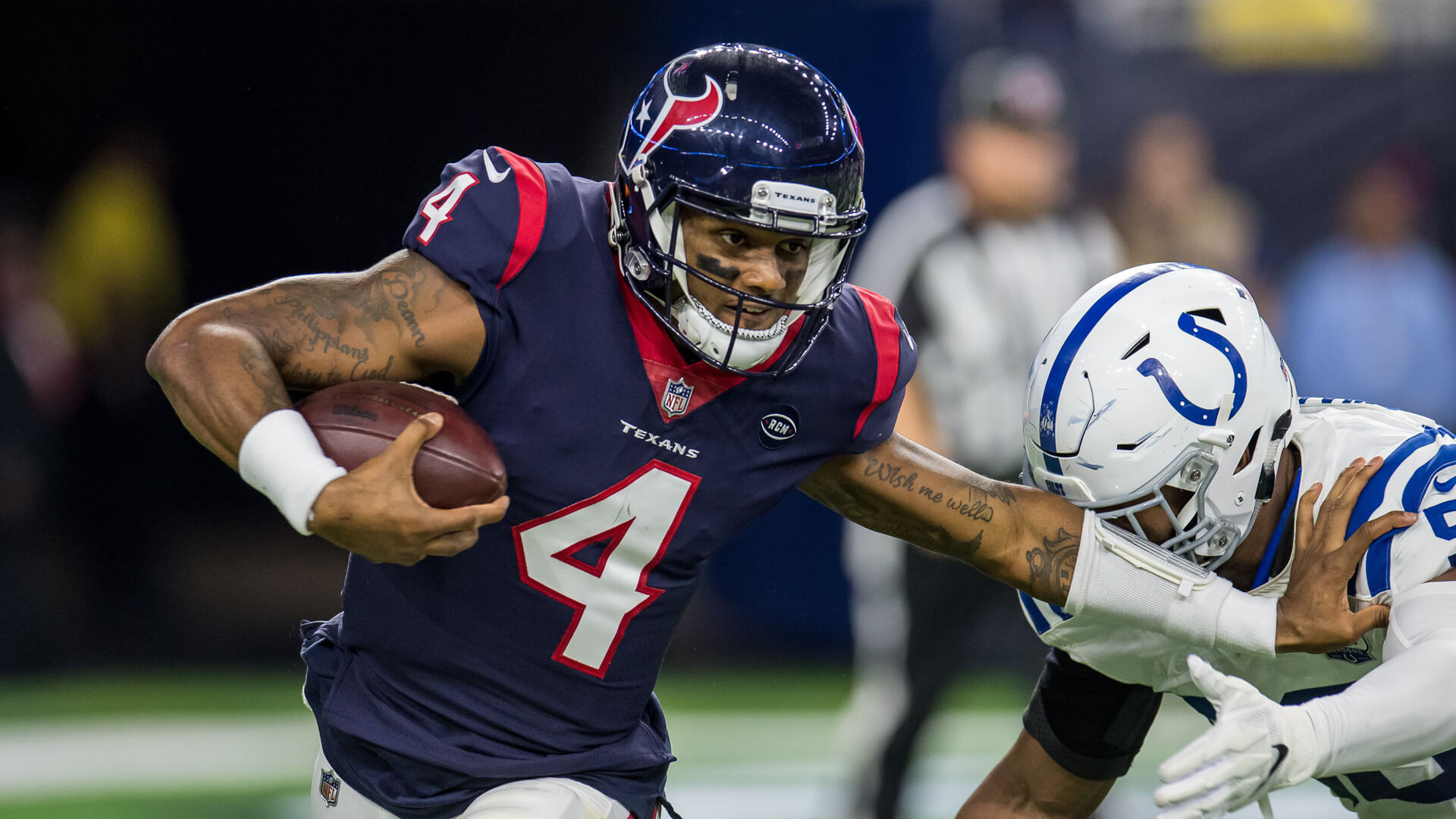 The Texans, valued at $2.8 billion, sold out 163 straight games entering the 2018 season and packed their stadium to 99.7% capacity last year. Their late owner, Robert McNair, purchased the franchise for just $600 million in 1999. The team’s head coach got a big contract extension despite a disastrous 2017 season, and the vote of confidence appears to have paid off. Houston took the AFC South with 11 wins last season, although they lost to the Indianapolis Colts in the first round of the playoffs. 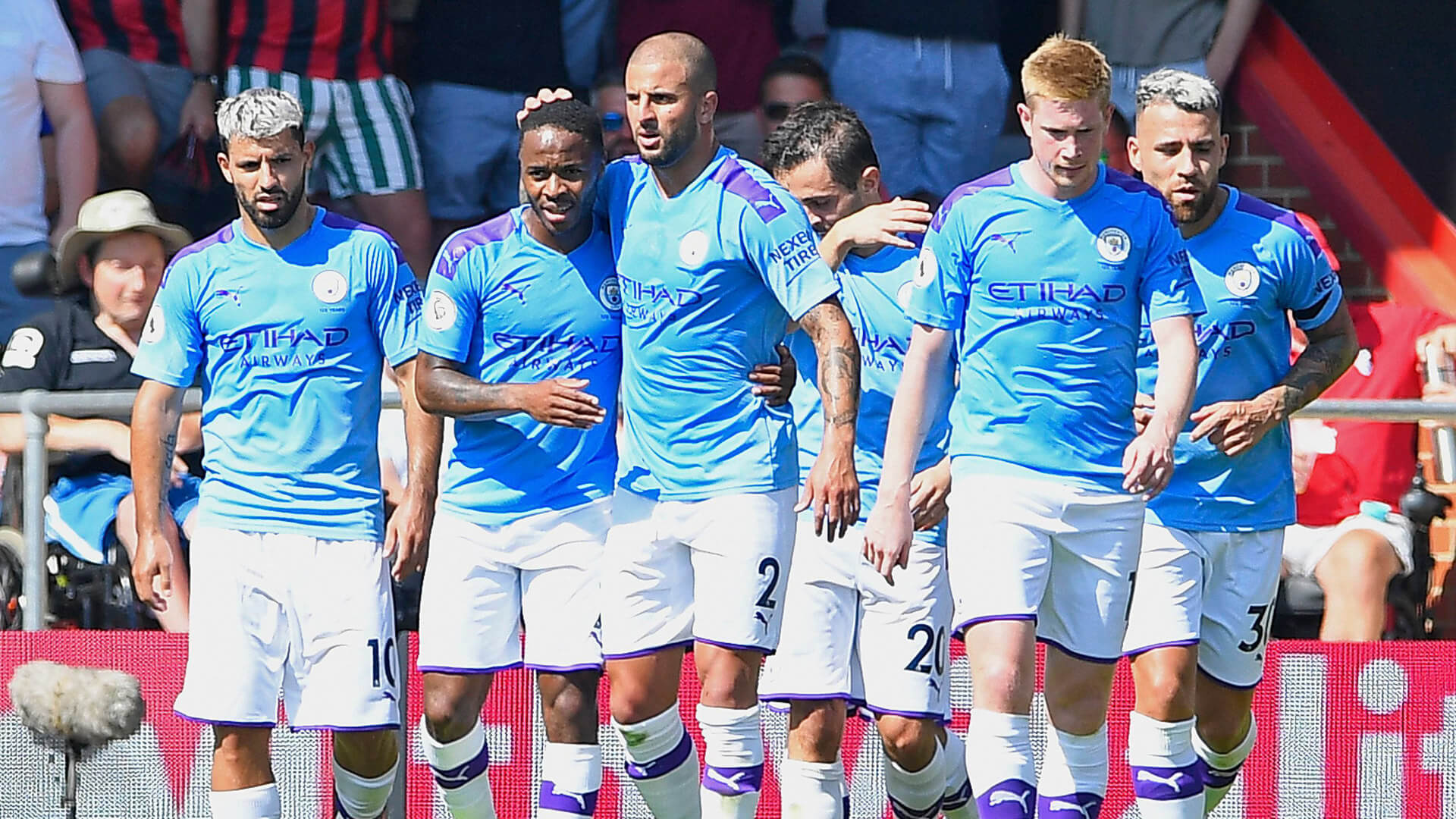 Manchester City is one of the five most valuable soccer teams in the world. The $2.69 billion franchise has six domestic league championships to its name, but the real money comes in through endorsement contracts. The 2019-20 season signals the start of a contract with Puma that pays the team an average of $86 million a year. 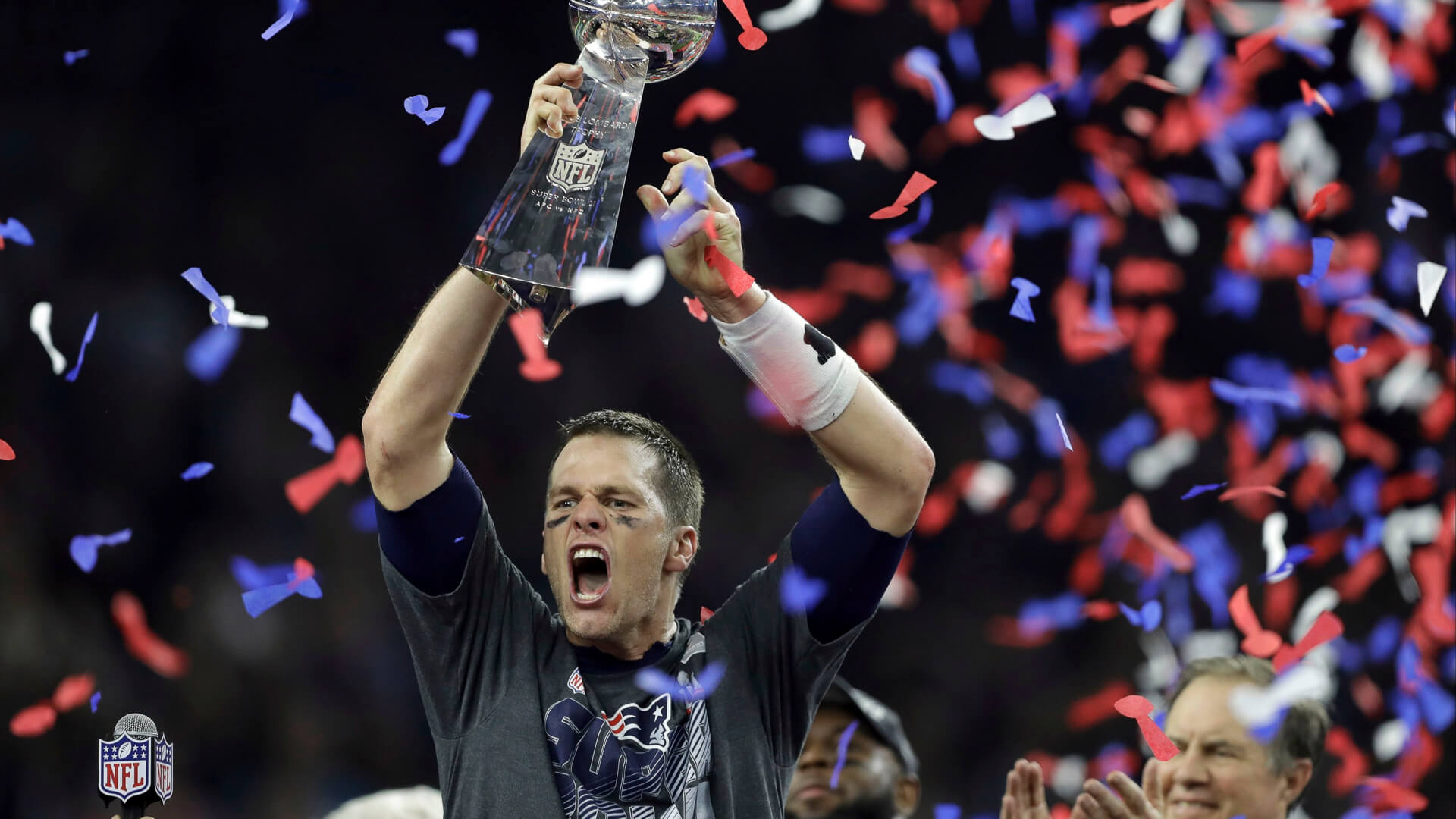 Only one team in the NFL is more valuable than the Patriots, a team worth $3.8 billion — but no other football team can claim to be better. The New England Patriots, which Robert Kraft bought for $172 million in 1994, could be the greatest dynasty in football history. During the Tom Brady/Bill Belichick era, the Pats have gone to nine Super Bowls in 18 seasons, winning six of them. 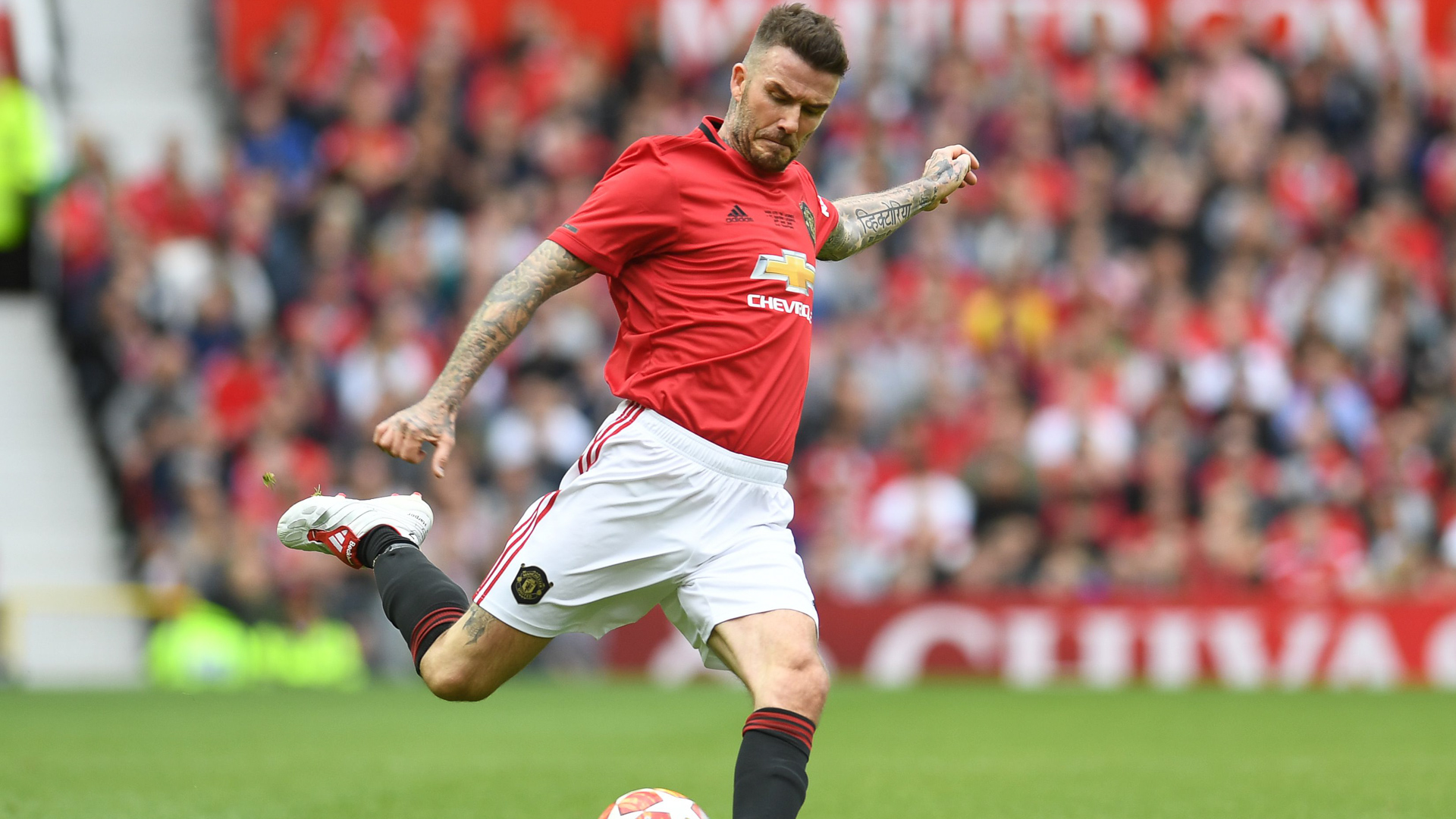 The annals of Manchester United history ring out with names such as David Beckham and Cristiano Ronaldo — not to mention 20 domestic championships. Soccer’s most storied team also makes good moves off the field. The franchise, valued at $3.81 billion, has among its sponsorships a contract with Kohler that pays Manchester United $13 million a year. 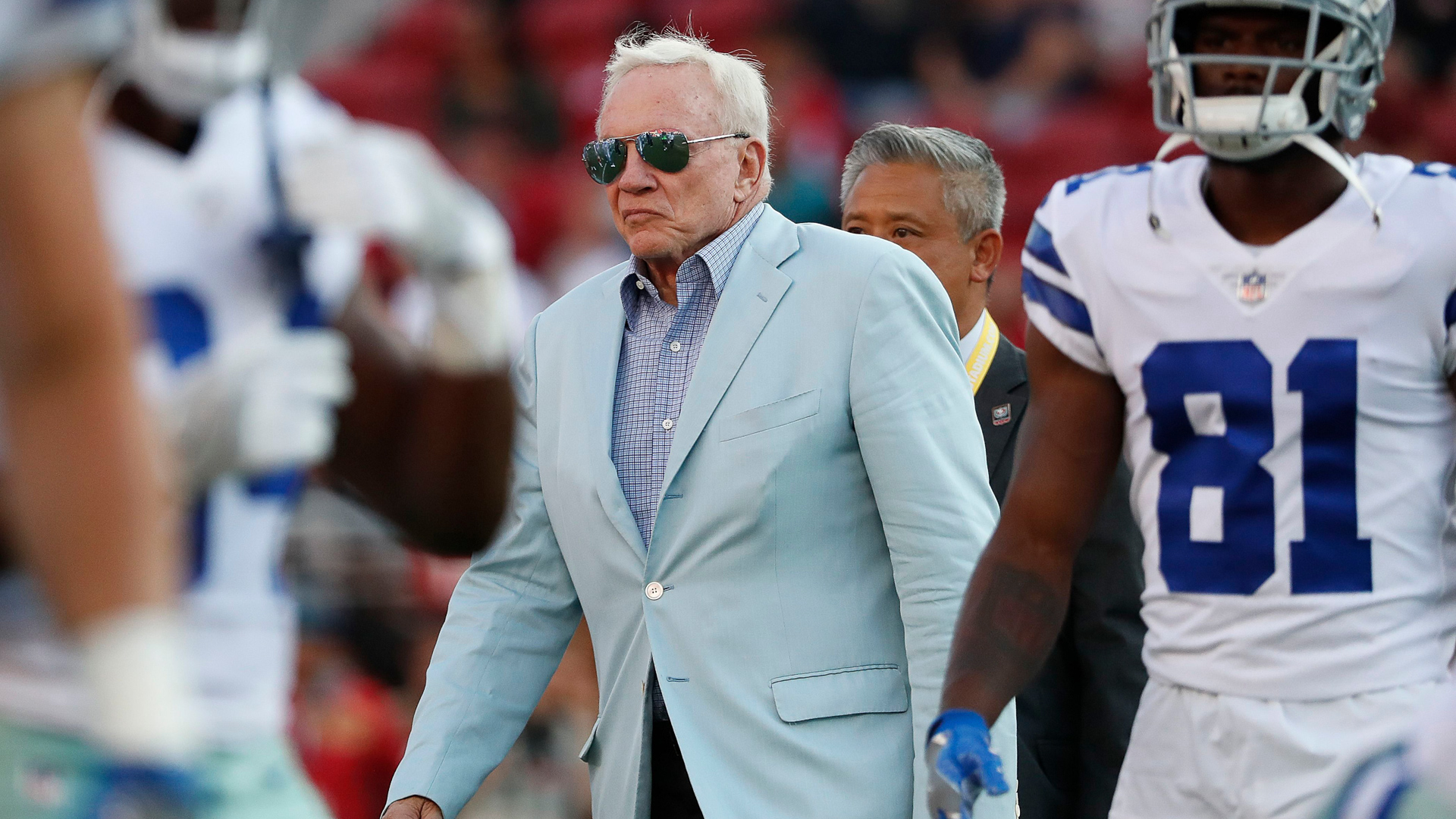 The unofficial status as America’s Team, a title loathed by division rival Philadelphia, makes the Cowboys not just the most profitable team by far, but also the most valuable — and it’s been that way for 12 years straight. The Dallas squad is valued at $5 billion. In 2018, the team’s famously business-savvy owner, Jerry Jones, made Dallas the first NFL team to partner with a casino. In all, the Cowboys earn almost twice the sponsorship revenue of any other team in football.