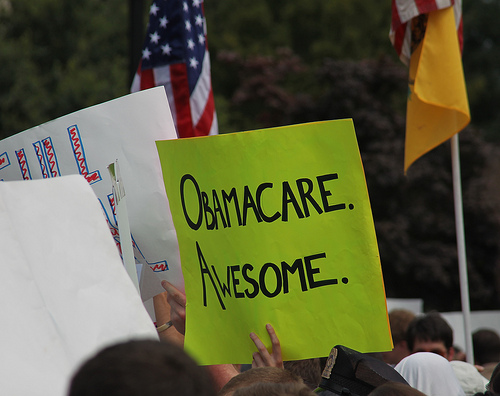 October 1, 2013 saw the start of the enrollment period for the Patient Protection and Affordable Care Act (ACA) — better known as “Obamacare.” The law requires all Americans without health insurance to be covered under a plan of insurance on or before January 1, 2014.

The law was a major issue during President Barack Obama’s reelection over Republican challenger Governor Mitt Romney in 2012. The ACA survived a Supreme Court challenge with the court upholding the constitutionality of the law in a 5-4 decision. In spite of controversies regarding the law, according to Reuters, Americans went online, 81,000 contacted call centers and 60,000 requested live chats on October 1st to enroll or learn more about Obamacare.

So what does Obamacare mean for you and your family?

[relatedposts]The idea of the ACA was to provide a way for all Americans, regardless of their health status, to get affordable health care coverage. The goal of Obamacare is to meet the needs of the 48 million uninsured Americans in the country as well as encourage those younger insureds (21-25) to participate in a plan of insurance in order to lower costs for all insured persons.

The law was passed by Congress and signed into law by President Obama on March 23, 2010. Let’s take a look, three years later, how it’s going to impact the lives of Americans now that it’s in full effect.

10 Ways Obamacare Will Affect You

1. The way your healthcare plan is structured just changed.

The cost for healthcare coverage under Obamacare varies depending on what state you live in and the type of coverage that is needed.

According to pricing released by the Department of Health and Human Services, the lowest costs for individuals who participate in a state or the federally run health exchanges for insurance range from $144 to $489 per month, tiered as bronze, silver and gold.

2. Where you live will affect your rate.

A comparison of plans from the states and the District of Columbia shows the weighted average premium for a bronze plan is $249 per month while the average cost for a mid-tiered silver level plan is $328 per month. Residents in Minnesota have the lowest cost plans starting at $144 while Wyoming is the most expensive at $425 a month for a bronze plan.

These costs are driven by the number of insurers participating in the exchange to lower overall costs. For most Americans purchasing health insurance individually (as oppose to participating in an employer-sponsored group plan), subsidies, tax credits and other incentives may lower the cost of coverage.

3. You must now legally have health insurance — and there’s a fine if you don’t.

There are penalties associated with not complying with the mandate to purchase insurance. Those persons who are not exempt from buying health insurance will be assessed a penalty for non-compliance that is the greater of $95 per adult ($47.50 per child) or one percent of the individual’s taxable income.

The employer’s mandate, whose implementation was delayed until January 1, 2015, requires certain employers to provide health insurance plans for their employees. The mandate requires employers with at least 50 or more full-time employees who work 30 or more hours per week are to comply with the law.

6. Your health problems won’t prevent you from getting coverage anymore.

The elimination of the pre-existing condition exclusion for health insurance coverage is a huge deal for a lot of Americans. The law did away with the ability of insurance companies to deny or limit coverage to an individual due to a health condition that existed prior to the coverage date.

7. Young adults can stay on their parents’ plans longer.

Good news for young adults who may not have the income or employer plan to afford their own health coverage, the Affordable Care Act increased the number of years a person can receive coverage through a parent’s insurance plan — up to age 26. This extends coverage to about 6.6 million Americans.

8. But they’re also getting the raw end of the deal.

According to recent reports, young Americans could be paying more into Obamacare and receiving less coverage than their current provider offers. For example, The Wall Street Journal found that a 27-year-old, non-smoking individual living in Nashville, Tenn., would have to pay as much as $114 a month for a bronze plan, compared to the $41 a month for a minimal health insurance plan now.

Remember that employer mandate mentioned in #5? Employers have been cutting hours in order to get out of providing healthcare benefits to workers. Whether the business move is valid or your company uses Obamacare as a scapegoat for reducing the cost of employee benefits, losing hours at work is a very real possibility. The Guardian has identified a number of major employers who have begun slashing hours, including Forever 21, Seaworld and Home Depot.

10. Obamacare ensures you’re covered, but not necessarily that you can afford it.

While the Affordable Care Act has made it possible for Americans who were previously unable to access health insurance to finally gain coverage, one of the biggest criticisms of Obamacare is that it has done more to extend coverage than actually make it affordable.

For instance, the Huffington Post reported that following the 2012 Supreme Court decision to limit some of the Affordable Care Act’s provisions, 25 states have declined to participate in a massive expansion of Medicaid even though it was promised to subsidized almost entirely by the federal government.

“These states have now left 8 million poor, uninsured Americans ineligible for federal help in getting health care coverage through Obamacare. These people don’t qualify for Medicaid under their states’ current rules and, in a cruel twist tied to the Supreme Court ruling, make too little to qualify for subsides on the new health insurance exchanges,” according to the Huffington Post.

It is important to understand what the law is and how it will impact you and your family. Forty eight percent of Americans receive their health insurance from their employer; 15 percent each through Medicare and Medicaid and 2 percent through other government programs.

The 15 percent of Americans who are uninsured and 5 percent who have individual coverage (approximately 60 million) are the ones most affected by Obamacare. Understanding the impact of the law is an important step toward a well-informed decision on behalf of you and your family regarding health insurance.

This article was contributed by Chad Fisher, a regular contributor for Go Banking Rates. If you are also a business owner, he recommends finding the best occupational medical services for your company in order for them to get the best healthcare possible.