20 States That Spend the Most on Prisons 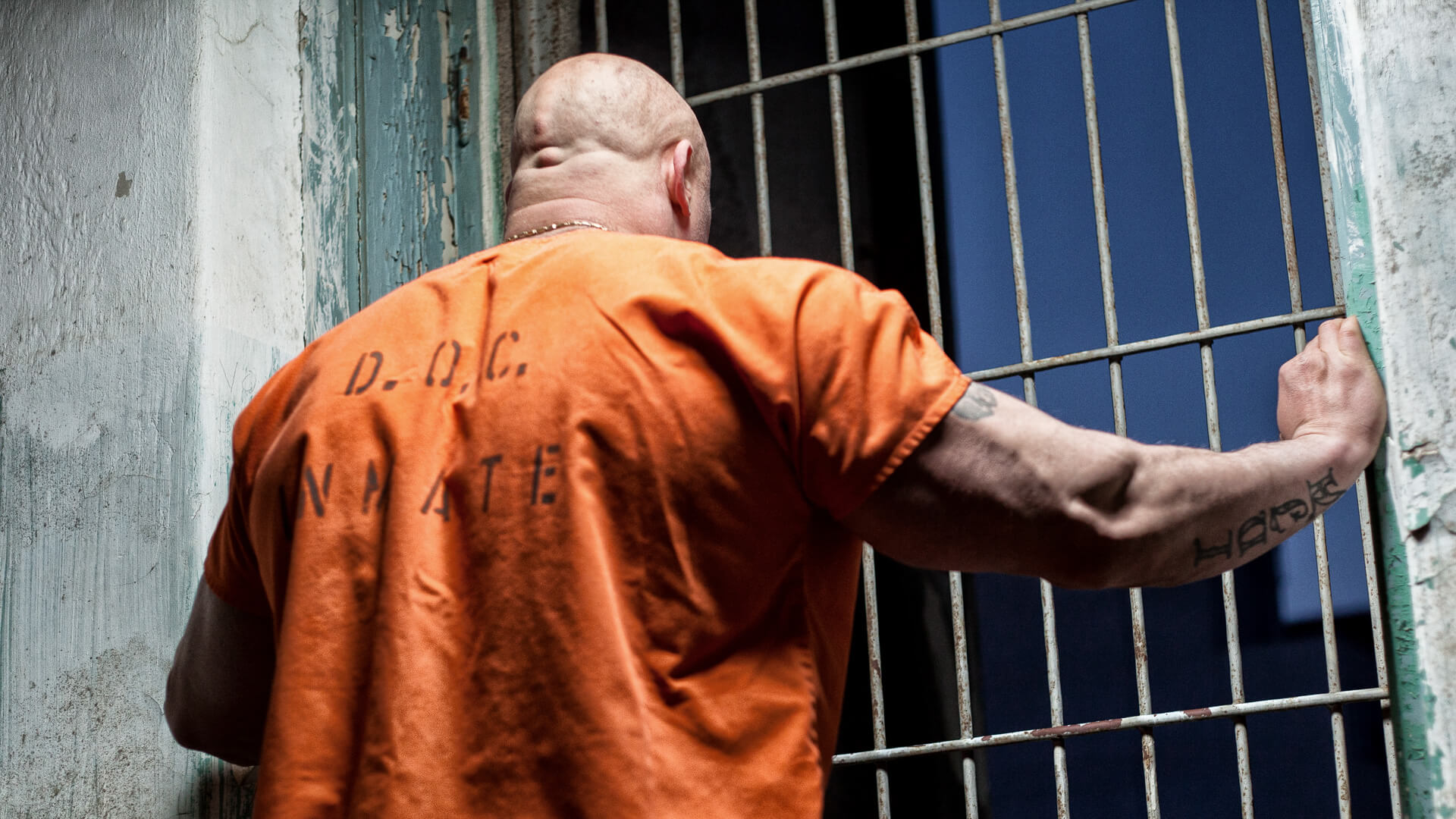 The U.S. spent $80 billion on corrections at the federal, state and local levels as of 2010, which is the most recent and widely reported data, according to the Brookings Institution. As of 2012, $38.8 billion of that amount has fallen on taxpayers, according to a Vera Institute of Justice report.

However, some states rack up greater corrections expenditures than others due to a variety of factors. In fact, you might not believe how much America spends on prisons in these 20 states.

This study was conducted using the most recent data provided by the U.S. Census, the 2017 data is expected to be released in fall 2019. 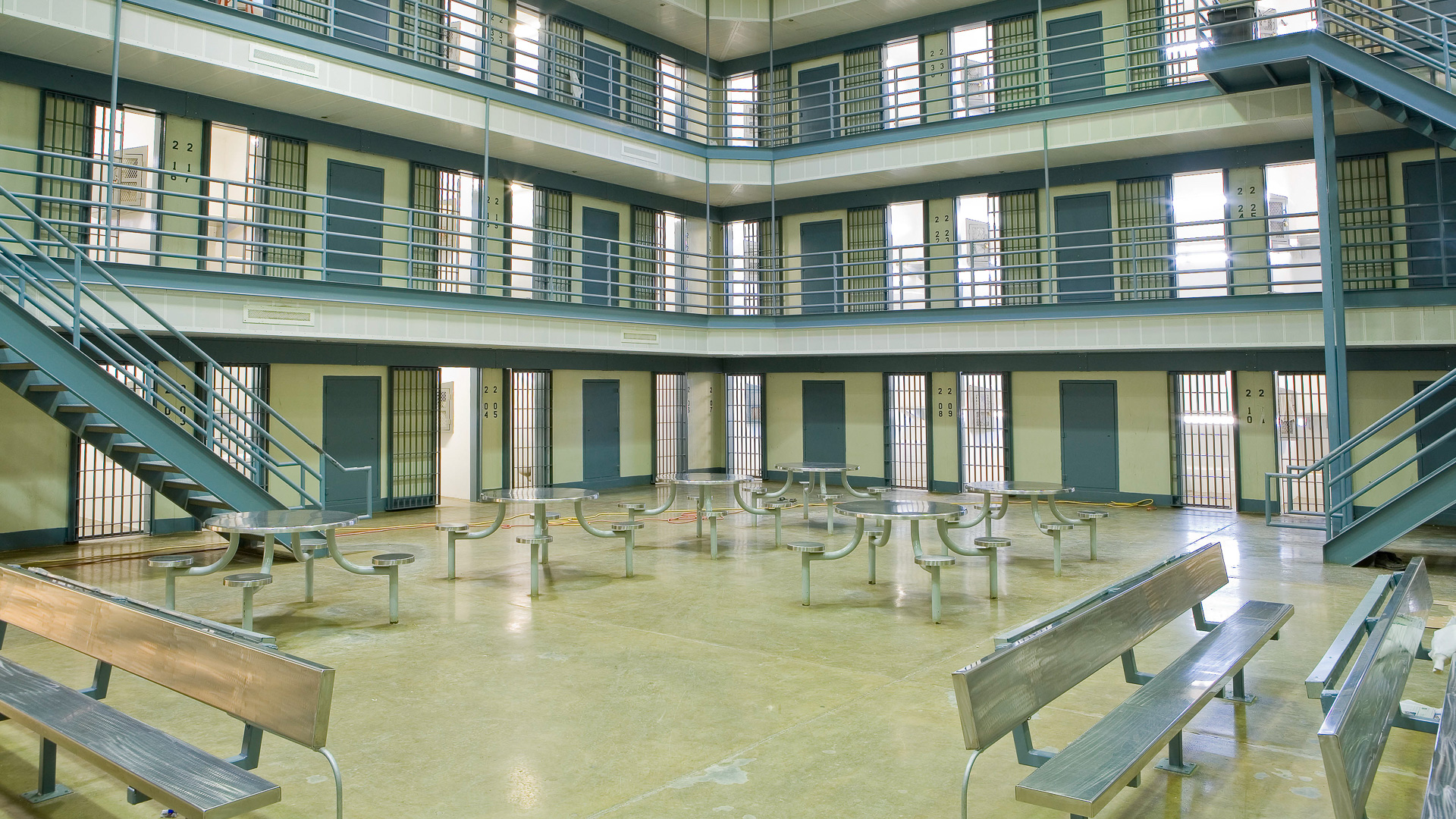 Part of the funding for Arkansas’ prisons goes toward inmate educational classes. In 2018, the Arkansas Department of Correction partnered with the Arkansas Hunger Relief Alliance to offer cooking classes to women at the Hawkins Center in Wrightsville, ArkansasOnline.com reported.

“Releasing women with the nutritional education will make a difference in their lives, and can make a huge difference in the lives of Arkansas families and children who benefit from healthier meals,” deputy warden Mark Warner told the site. 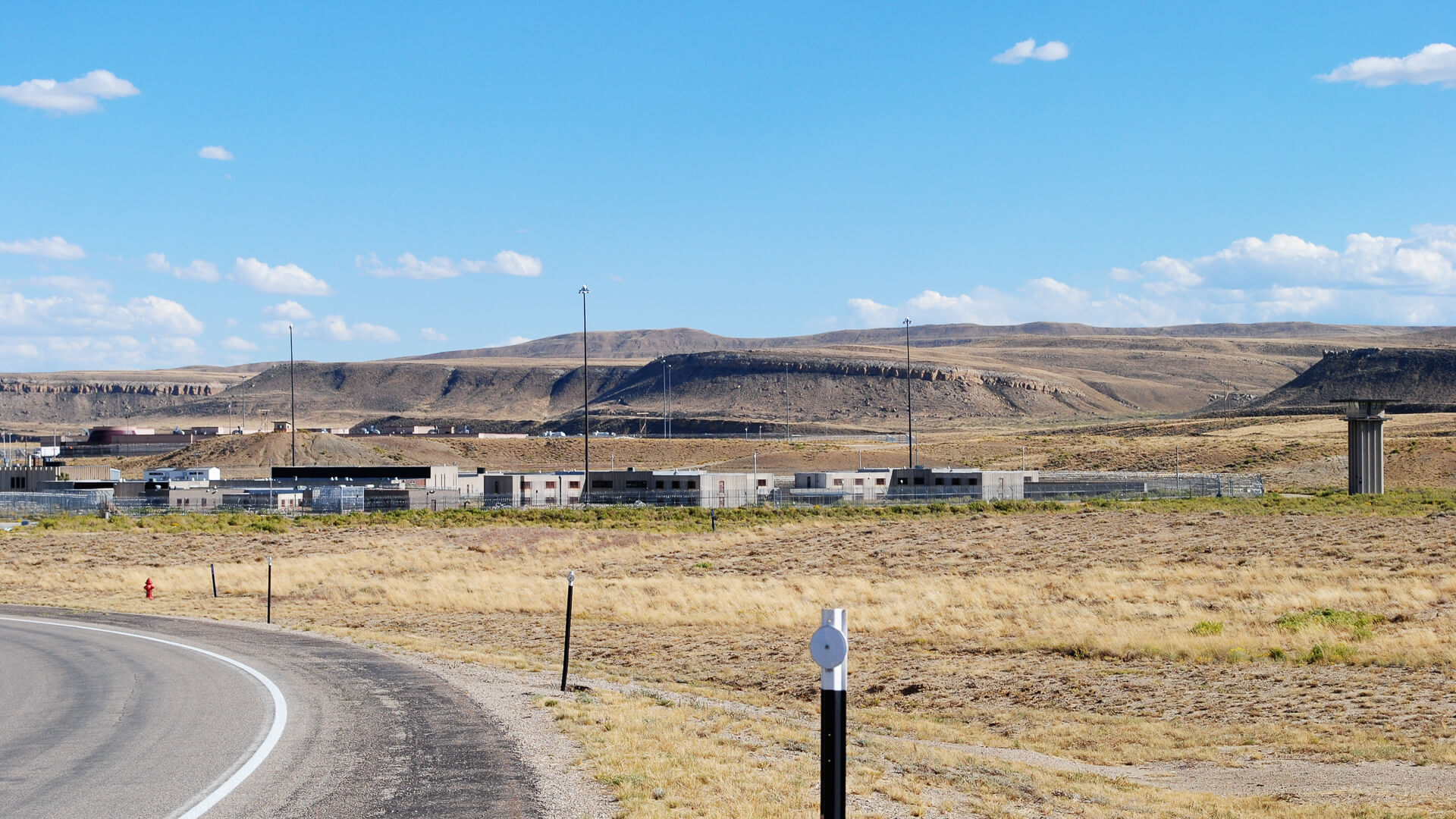 Prison spending in Wyoming is high, but the state has been dealing with ongoing staffing and space issues. Because of these challenges, the Wyoming State Penitentiary has been sending some of its inmates to a private prison in Mississippi, the Casper Star-Tribune reported. 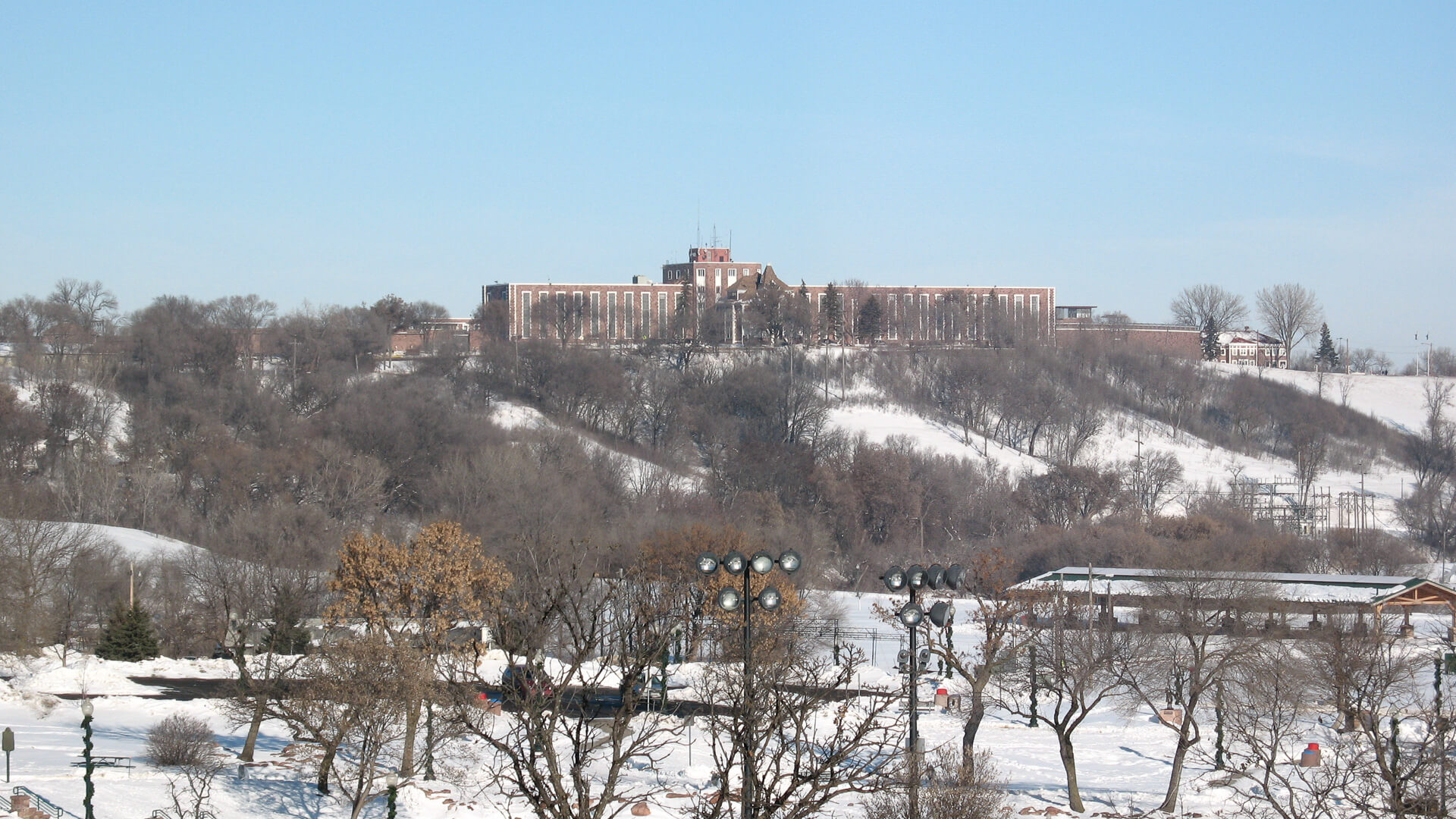 The Judiciary Committee voted against a bill in February 2018 that would have made drug ingestion a misdemeanor rather than a felony punishable by prison time in South Dakota. The bill would have saved the state an estimated $50 million in prison costs, the Argus Leader reported. State Sen. Craig Kennedy told the site that South Dakota will need to build a new women’s prison if it continues sending drug users to correctional facilities. 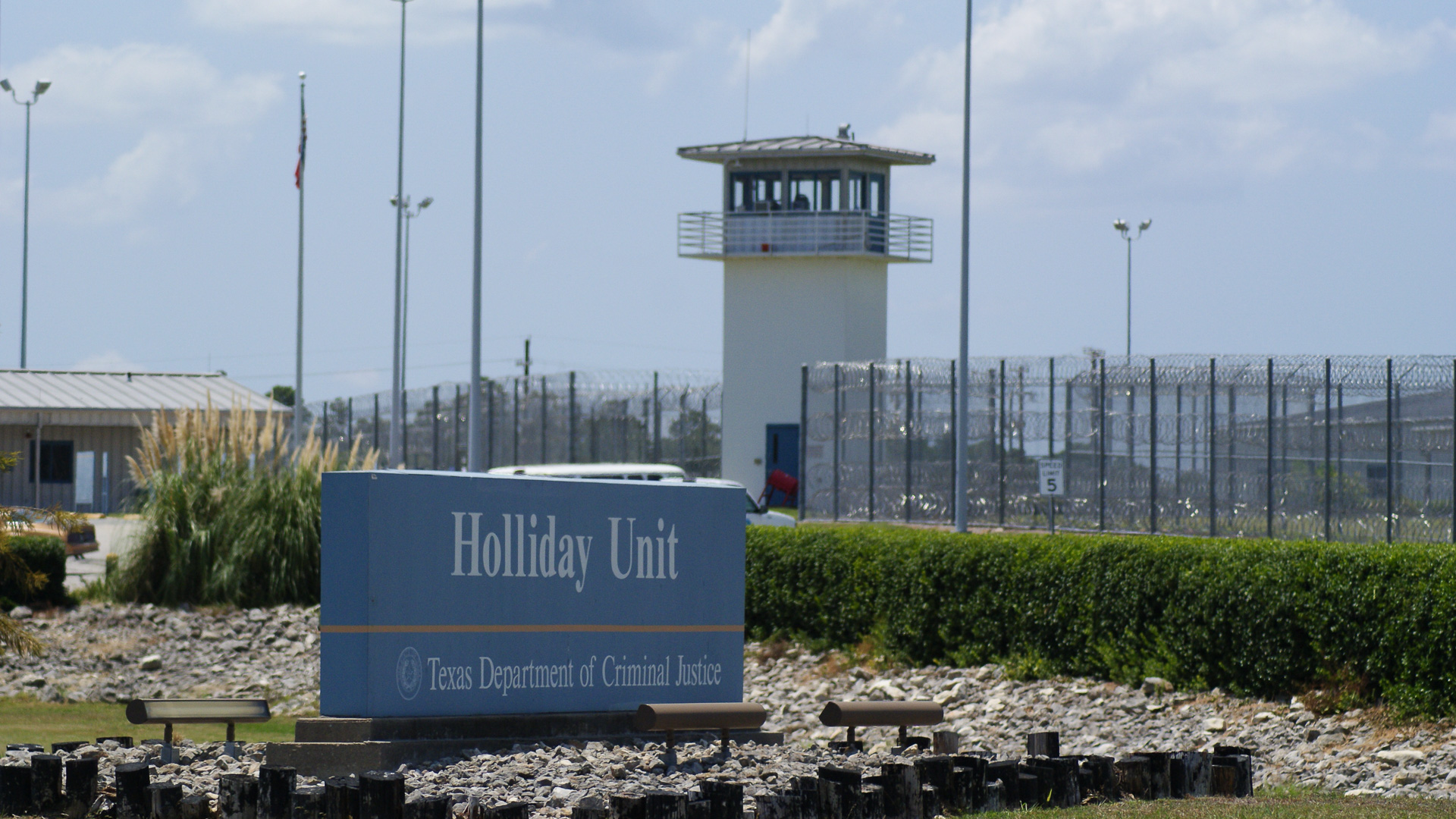 President Donald Trump’s hiring freeze for the Federal Bureau of Prisons — effective January 2017 — has caused federal prison staff in Big Spring, Texas, to be depleted, Vice News reported. Paula Chavez, who teaches GED and parenting courses to inmates at the prison, told the organization that education classes are taking the biggest hits because of the new cuts. 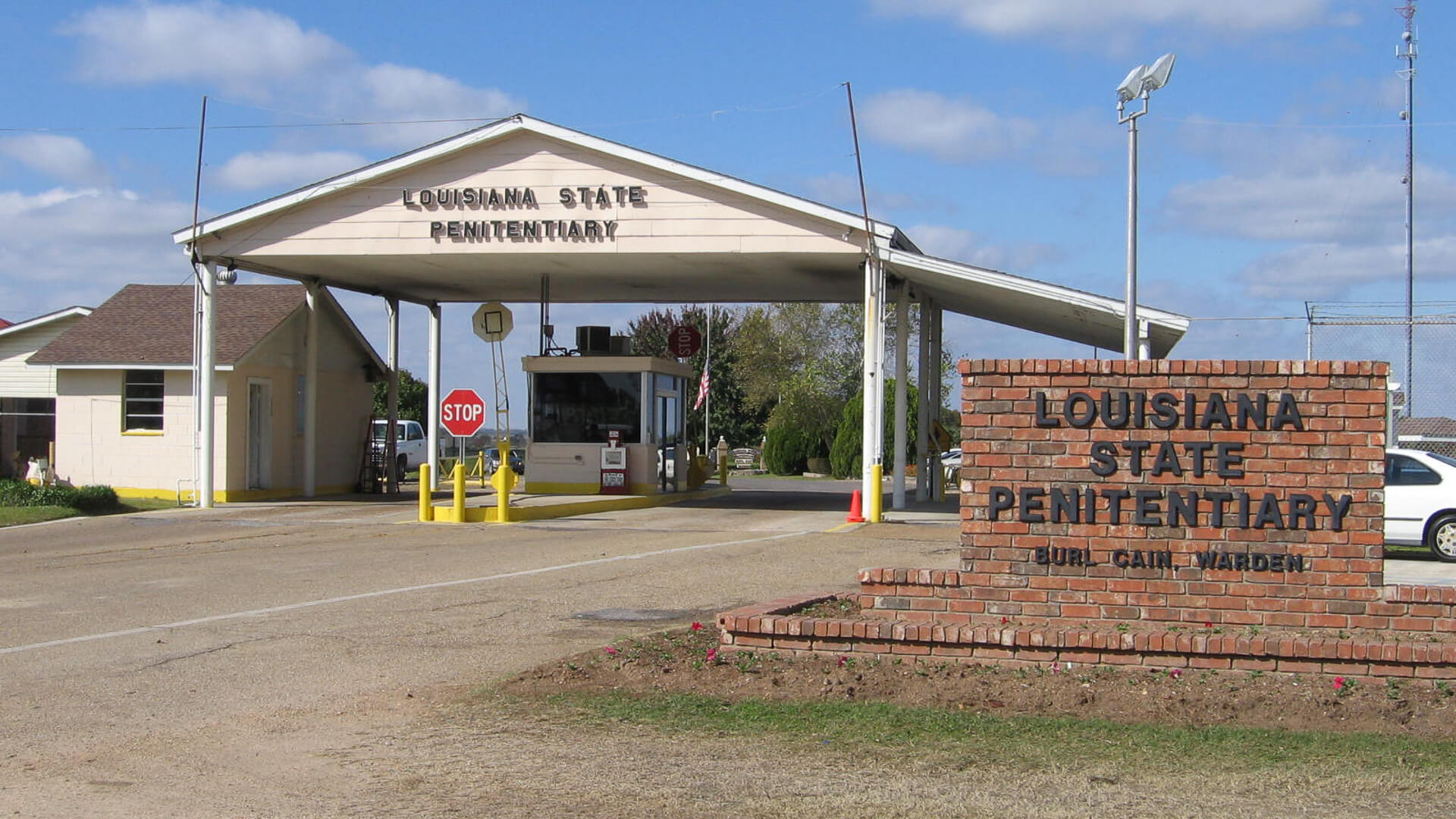 Louisiana is the world’s prison capital, with the state imprisoning more of its people per head than any other U.S. state, The Times-Picayune reported. Most of the inmates are held in for-profit facilities, and the state’s prison industry is worth $182 million. According to the report, the state’s prison population has doubled in the past two decades, which has cost taxpayers billions of dollars. 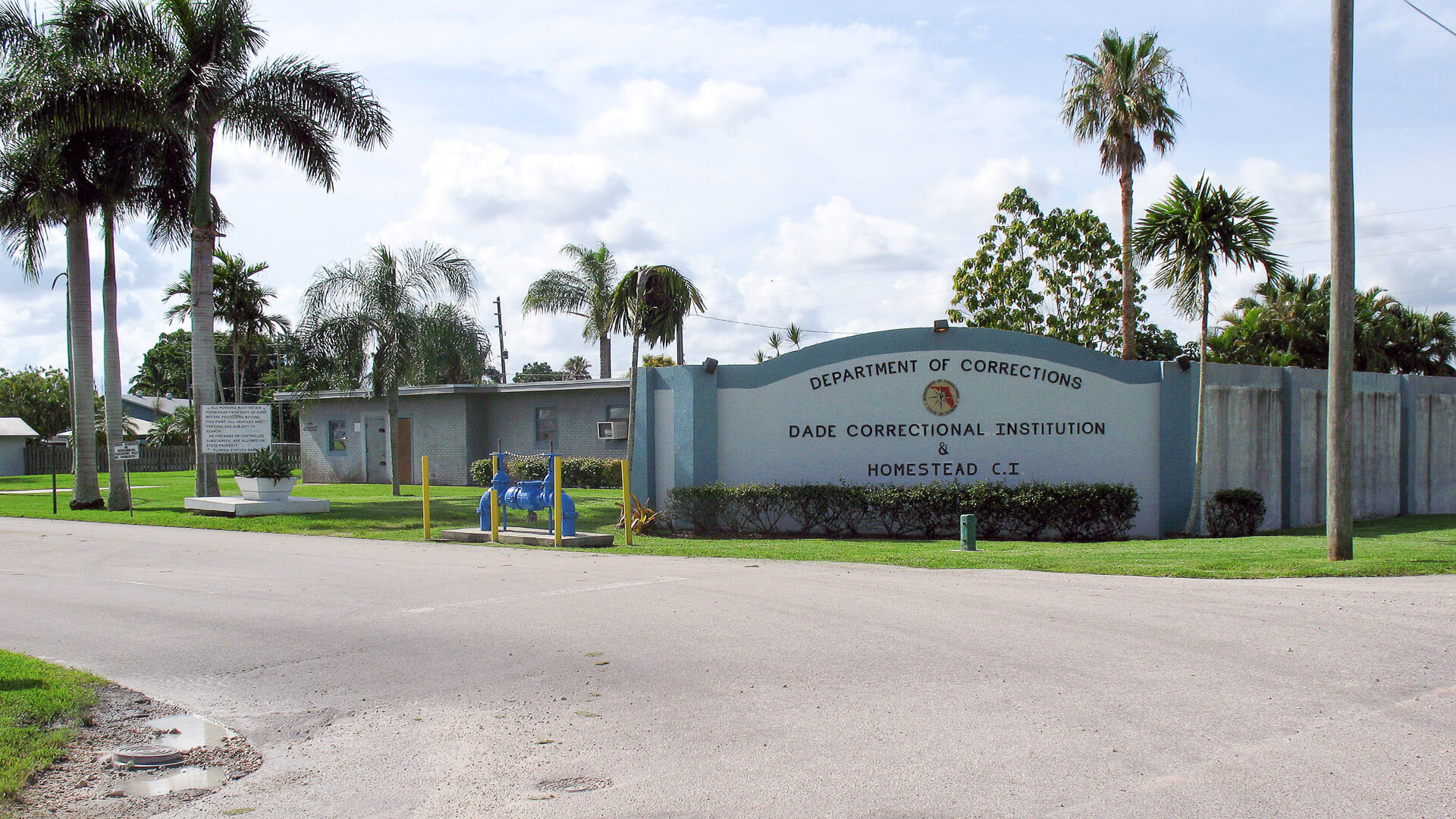 Florida is also one of the states that spends the most on public safety. 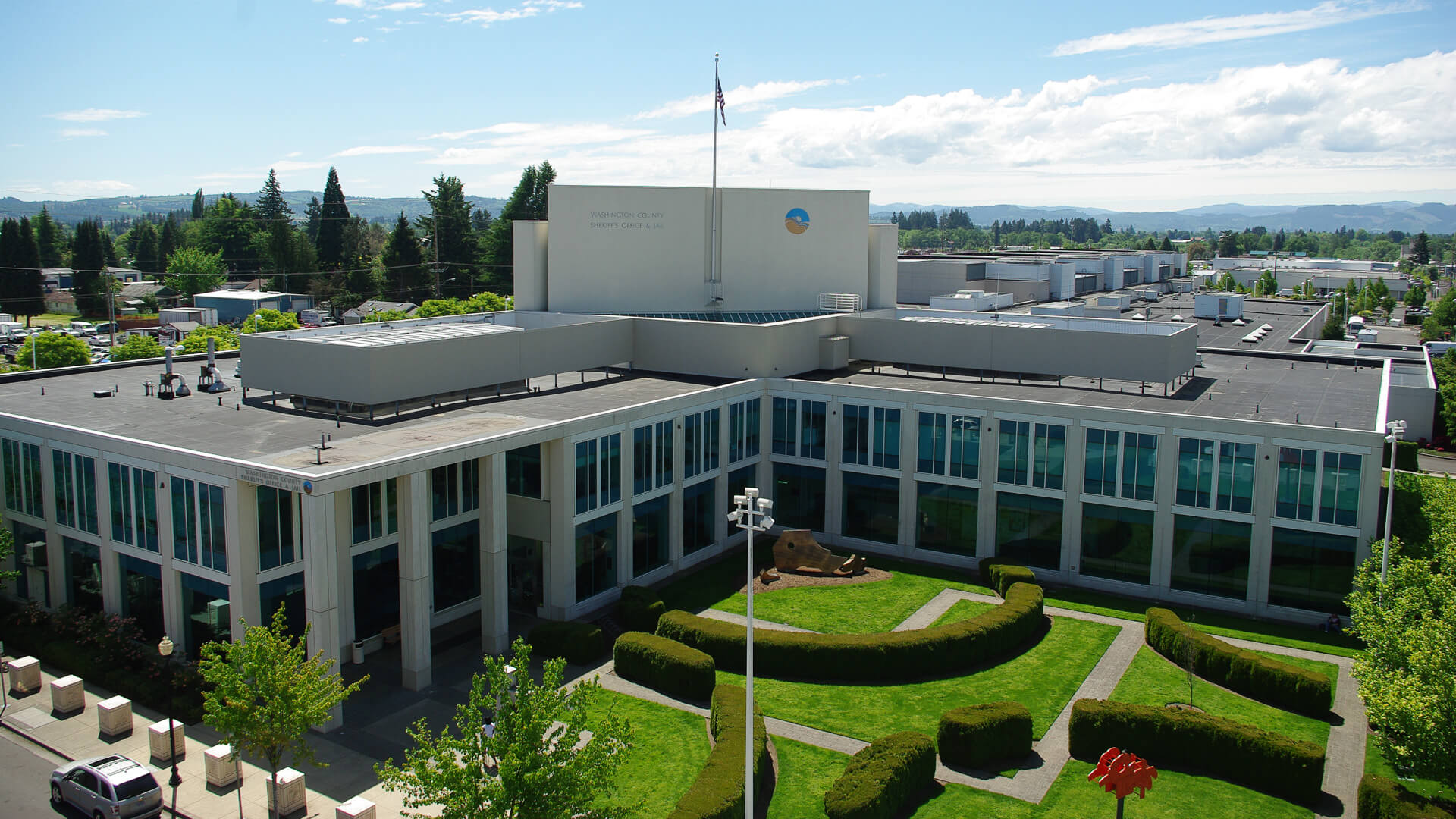 Oregon incarcerates juveniles at a higher rate than almost every other state in the country, according to a report from the Oregon Council on Civil Rights. This practice is expensive: It can cost $95,995 per year to imprison a juvenile, the report found. The high rate of imprisoned minors is due to Ballot Measure 11, which passed in 1994 and mandates that all juveniles ages 15 and older be tried for certain felonies as adults. 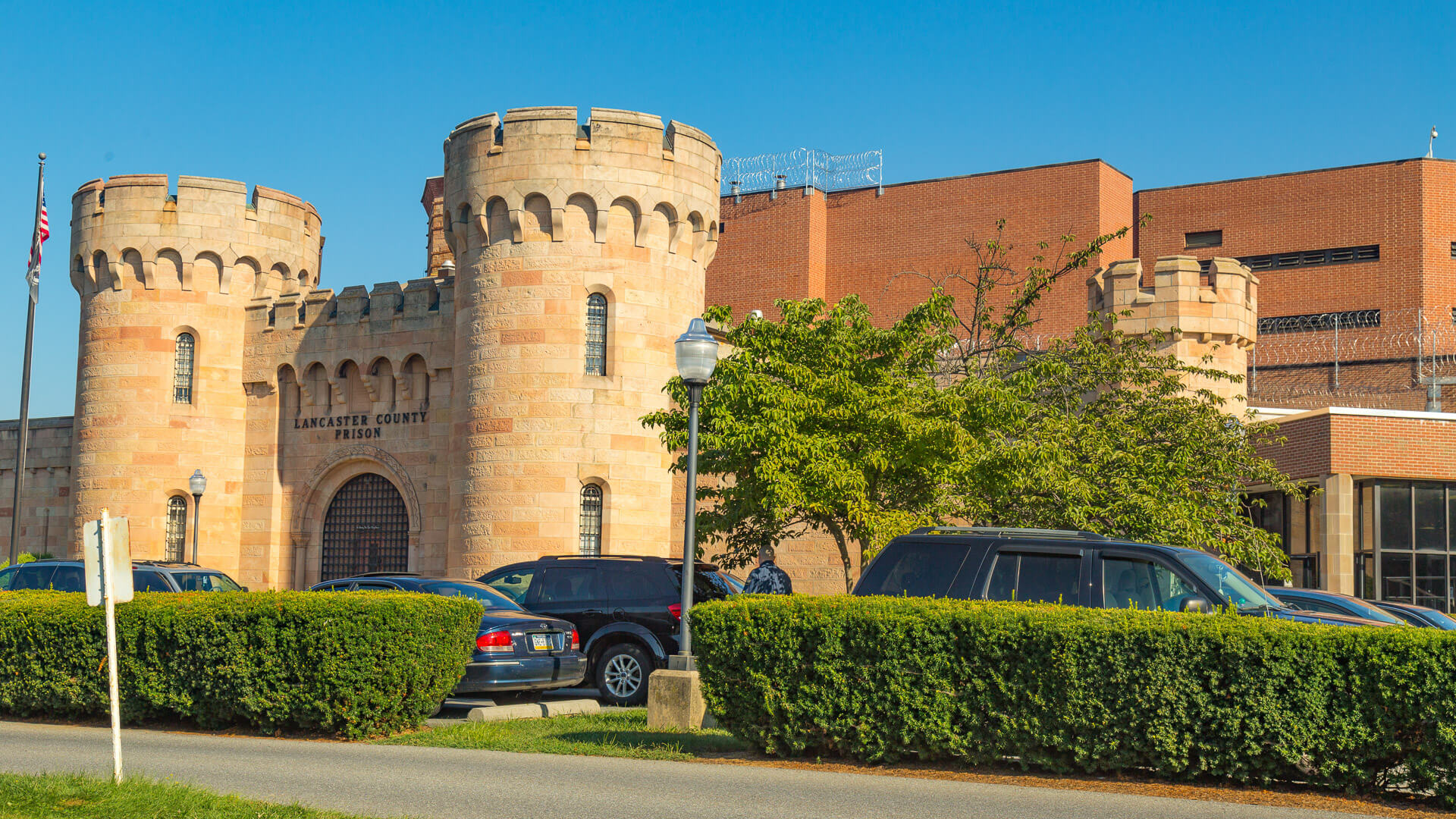 Pennsylvania Gov. Tom Wolf moved forward with a plan in October 2017 to consolidate the Department of Corrections and the Pennsylvania Board of Probation and Parole, allowing them to share funding and resources and therefore saving taxpayer dollars. The merger is expected to save $10 million, a spokesperson told The Morning Call. 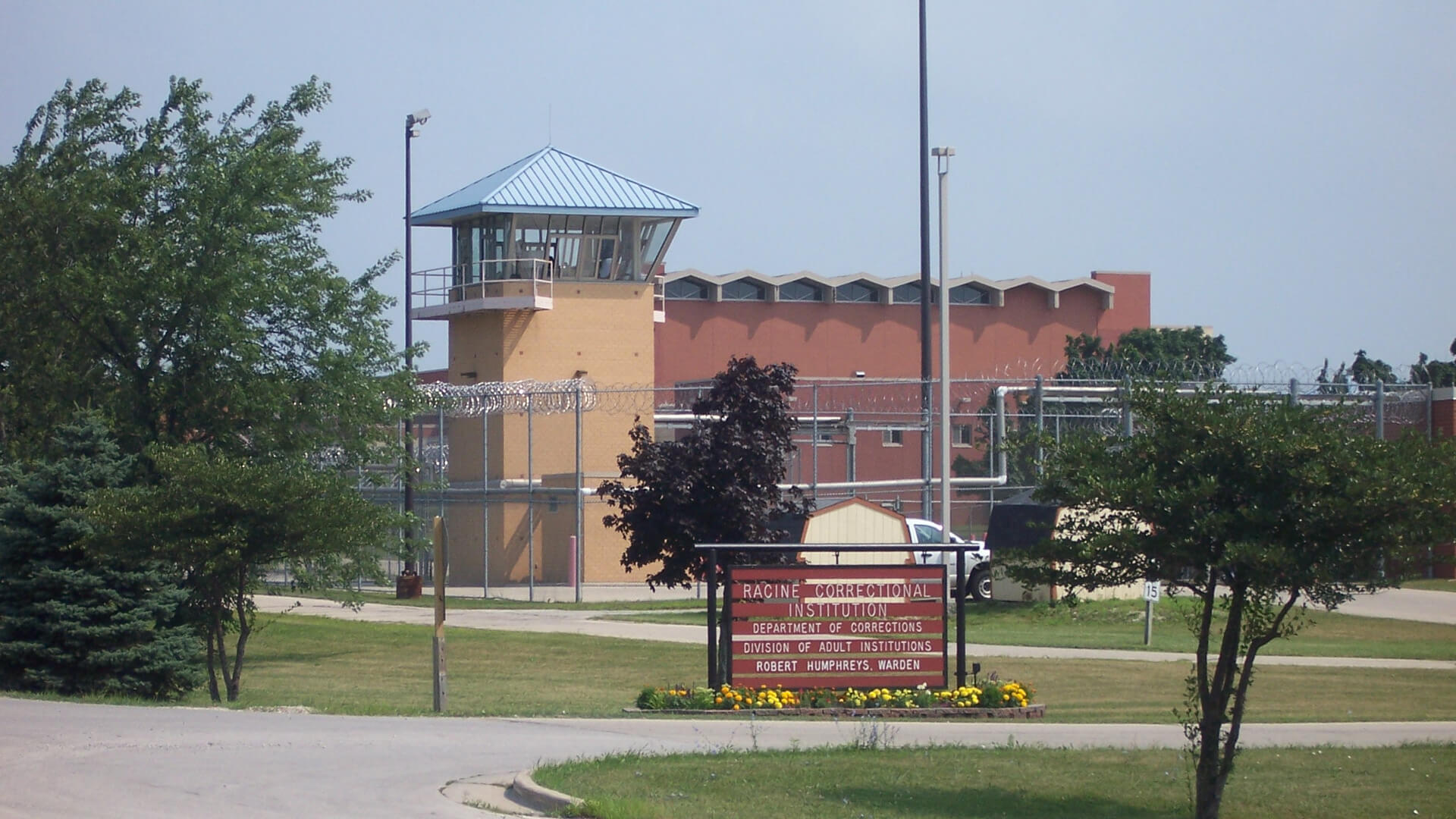 Wisconsin has the highest incarceration rate in the Midwest and spends 12 percent more on prison costs than the national average, Urban Milwaukee reported. Prison spending is one of the state’s biggest costs; the only greater expenses are K-12 education and healthcare for low-income residents. The average annual cost of a prison inmate in the state is about $30,000. 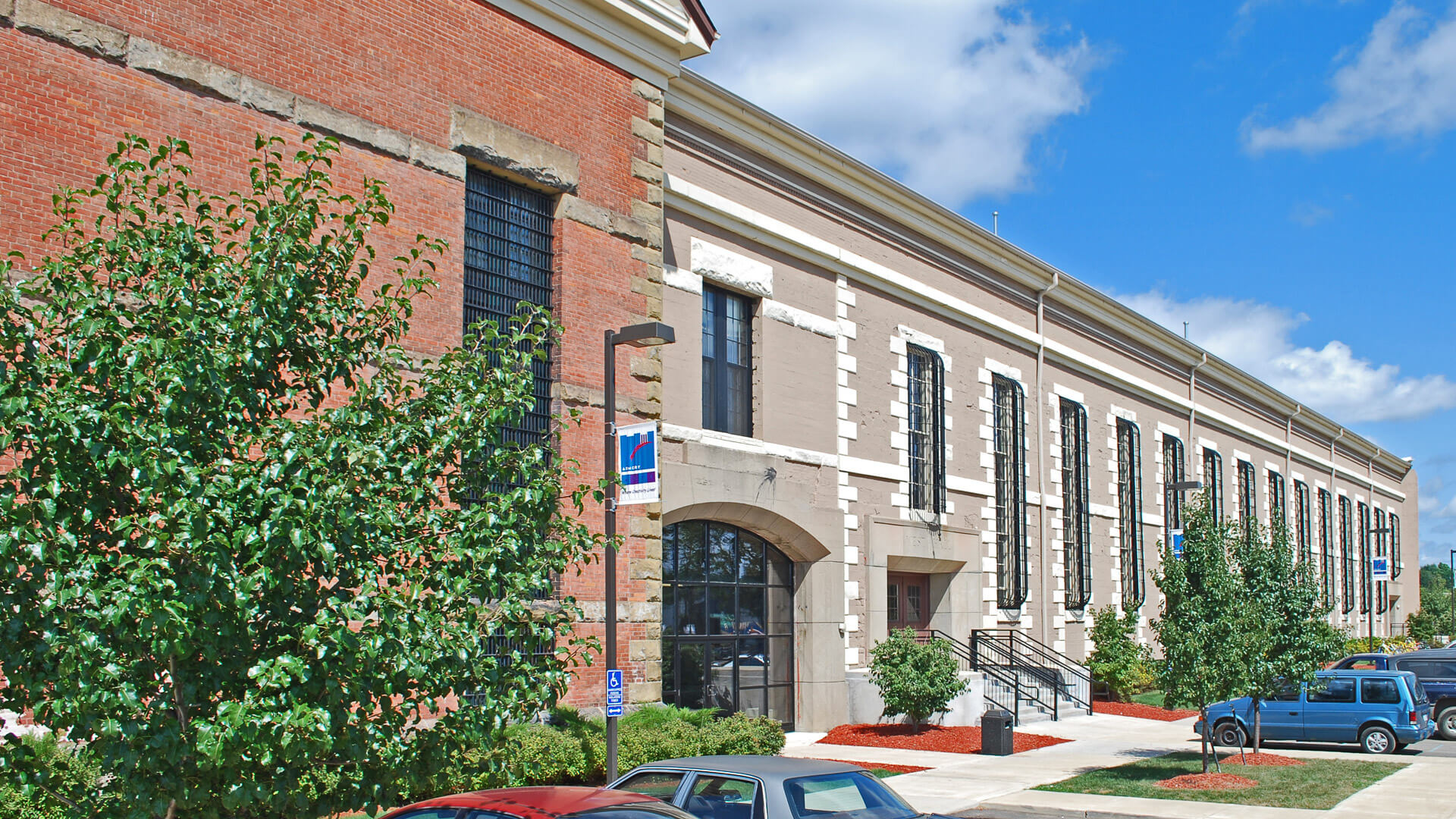 Even though Michigan is one of the biggest spenders when it comes to prisons, the state’s prison spending has been declining in recent years thanks to a dip in its prison population, the Center for Michigan reported. Between 2006 and 2016, the prison population dropped from a high point of 51,515 to 41,122, according to data from the Michigan Department of Corrections. By 2007, it had dipped below 40,000 for the first time in decades.

The state has closed or merged 27 prison facilities since 2005, including a 1,280-bed prison that closed in March 2018, which has saved over $400 million. The state will be closing an additional prison, the Ojibway Correctional Facility, in December 2018 to meet a prison budget cut of more than $19 million in 2019, the Detroit Free Press reported. 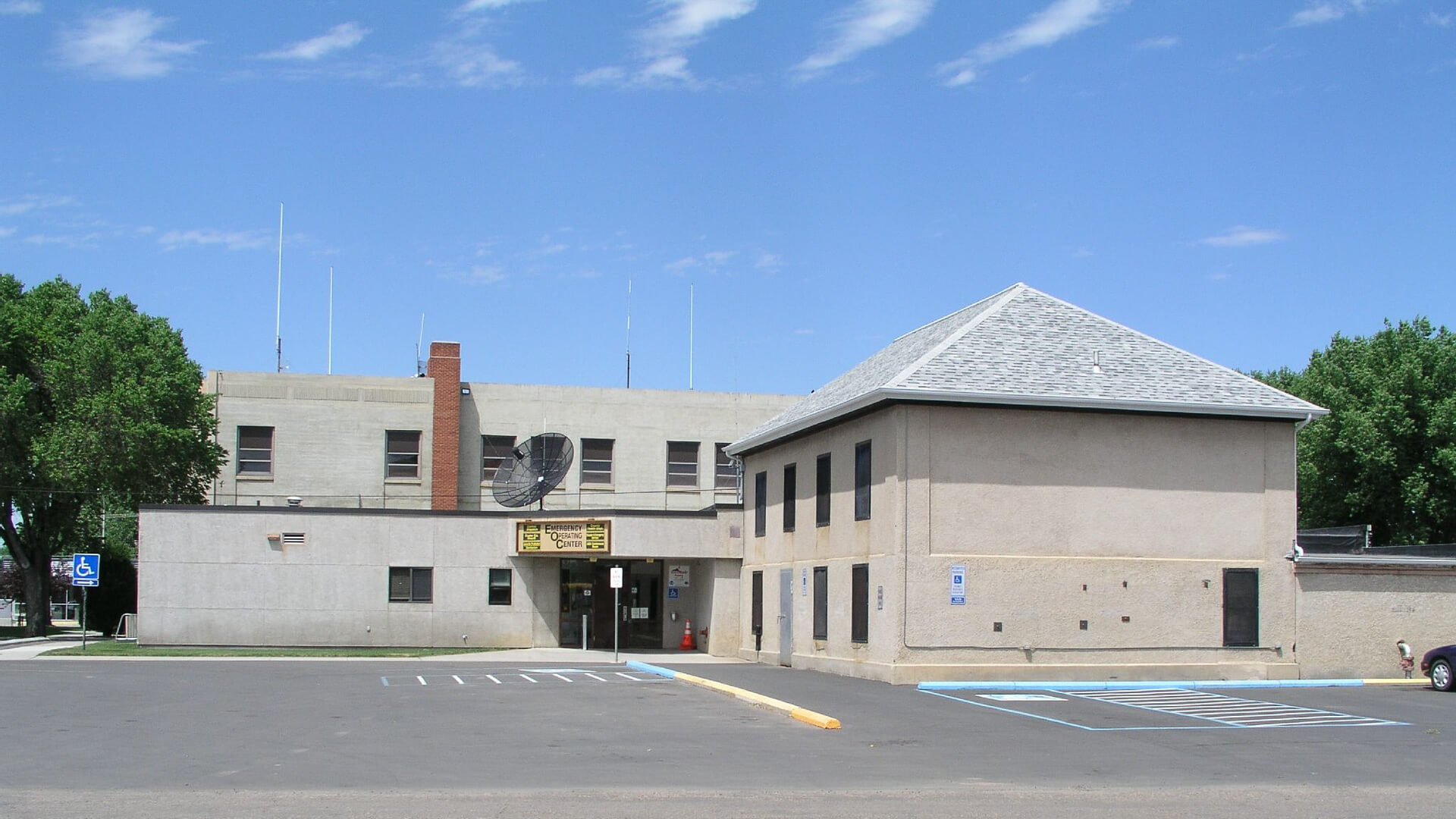 Montana passed new legislation in 2017 intended to decrease its prison population, NBC affiliate KTVH reported. The goal of the reform is to cut the rate of criminal offenders who are sent back to prison for violating rules or committing a new crime while on probation or parole. The sentencing reforms are expected to save $70 million in correctional spending over the next six years. 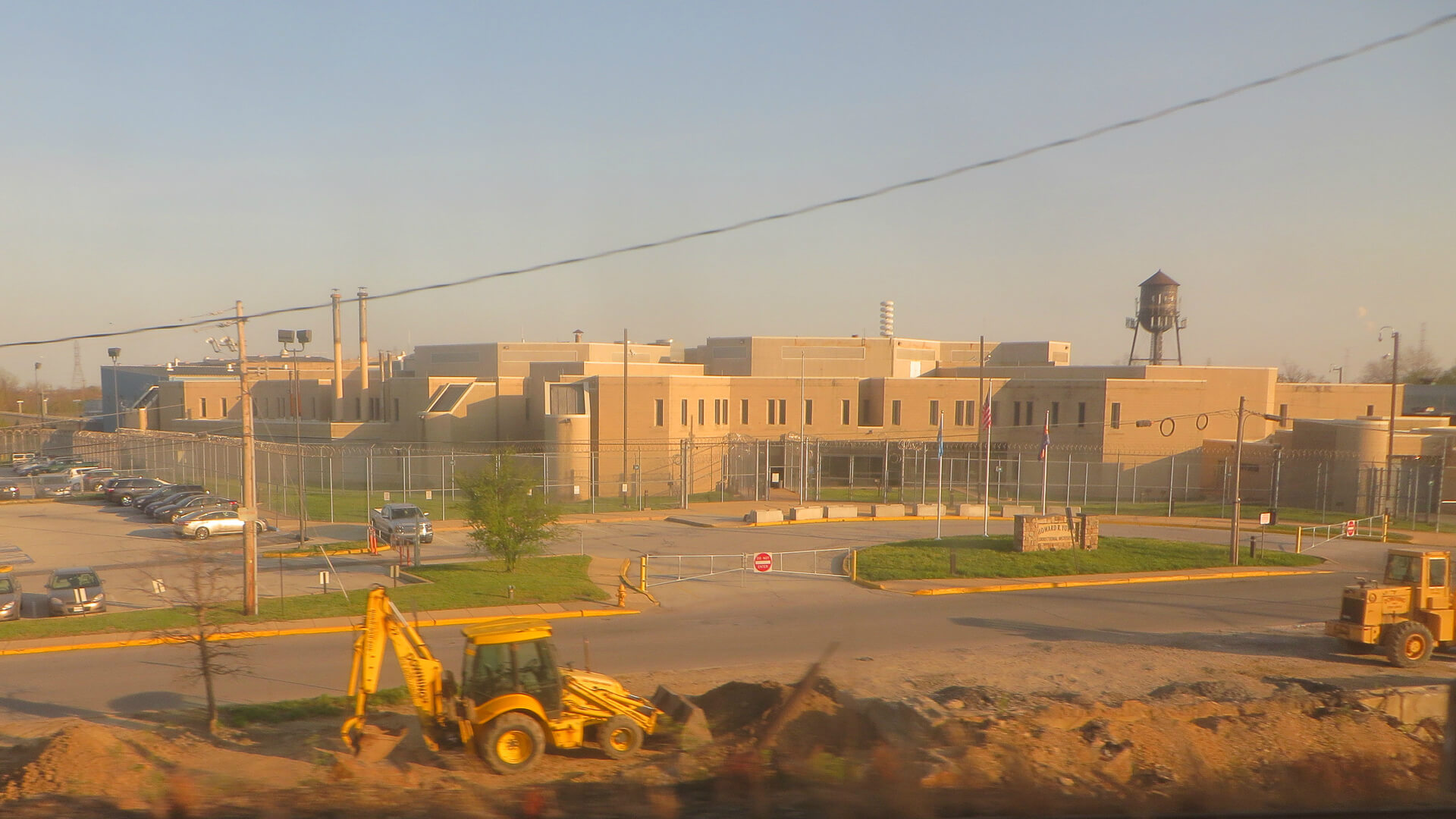 Delaware is one of the states that spend the most on health services for inmates, according to The Pew Charitable Trusts. The organization’s report on prison healthcare costs and quality found that Delaware spends an average of $8,408 on healthcare per inmate, as of the 2015 fiscal year — the eighth highest of all the states. 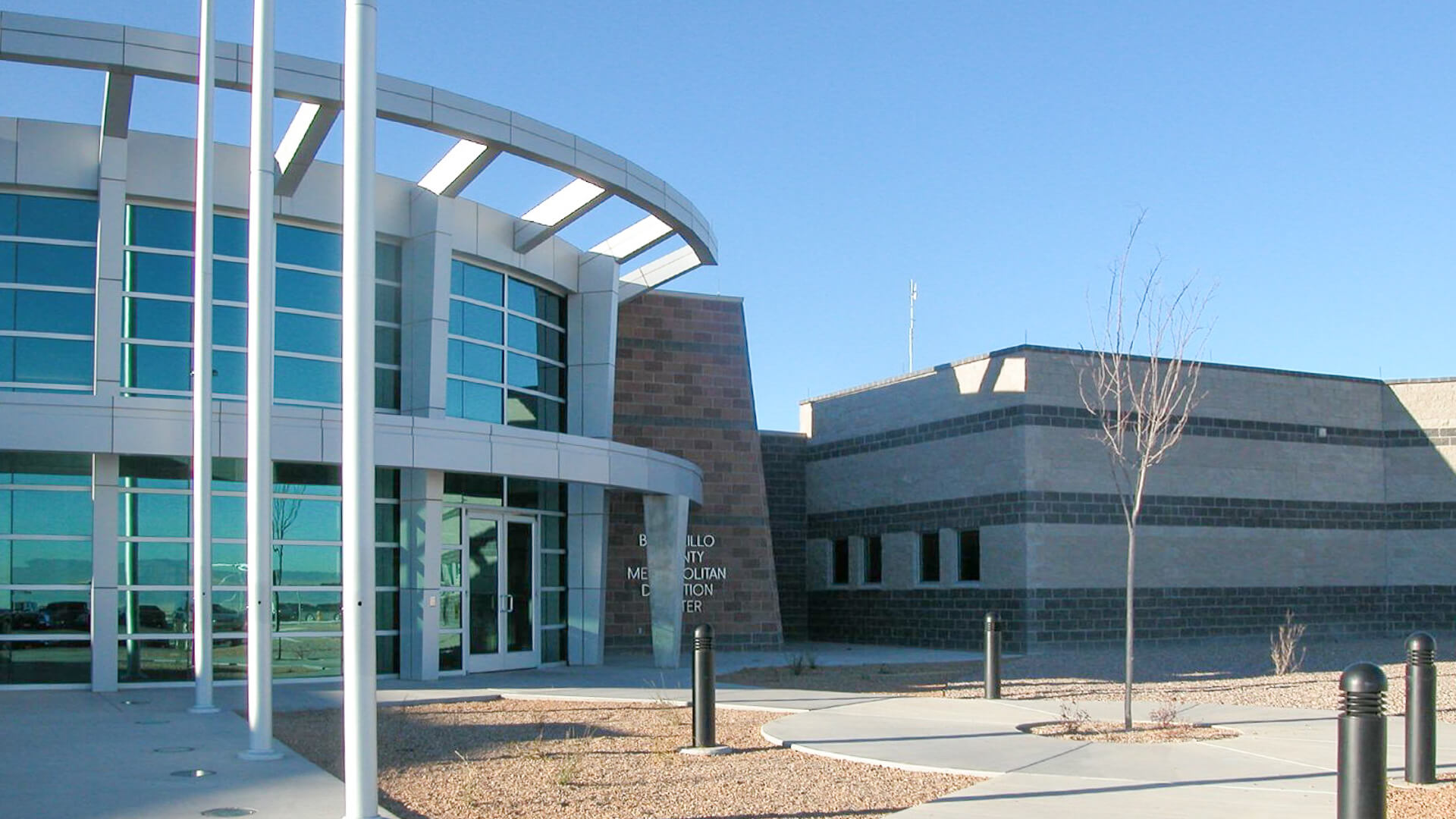 New Mexico’s prison expenditures might be on the rise. A September 2017 Associated Press report found that New Mexico’s prisons are on track to exceed capacity. In addition to paying for more prisoners, an aging prison population means more inmate healthcare costs.

“That growth is going to continue to put pressure on the population,” Linda Freeman, executive director of the New Mexico Sentencing Commission, told lawmakers on the Courts, Corrections and Justice Committee, the AP reported. 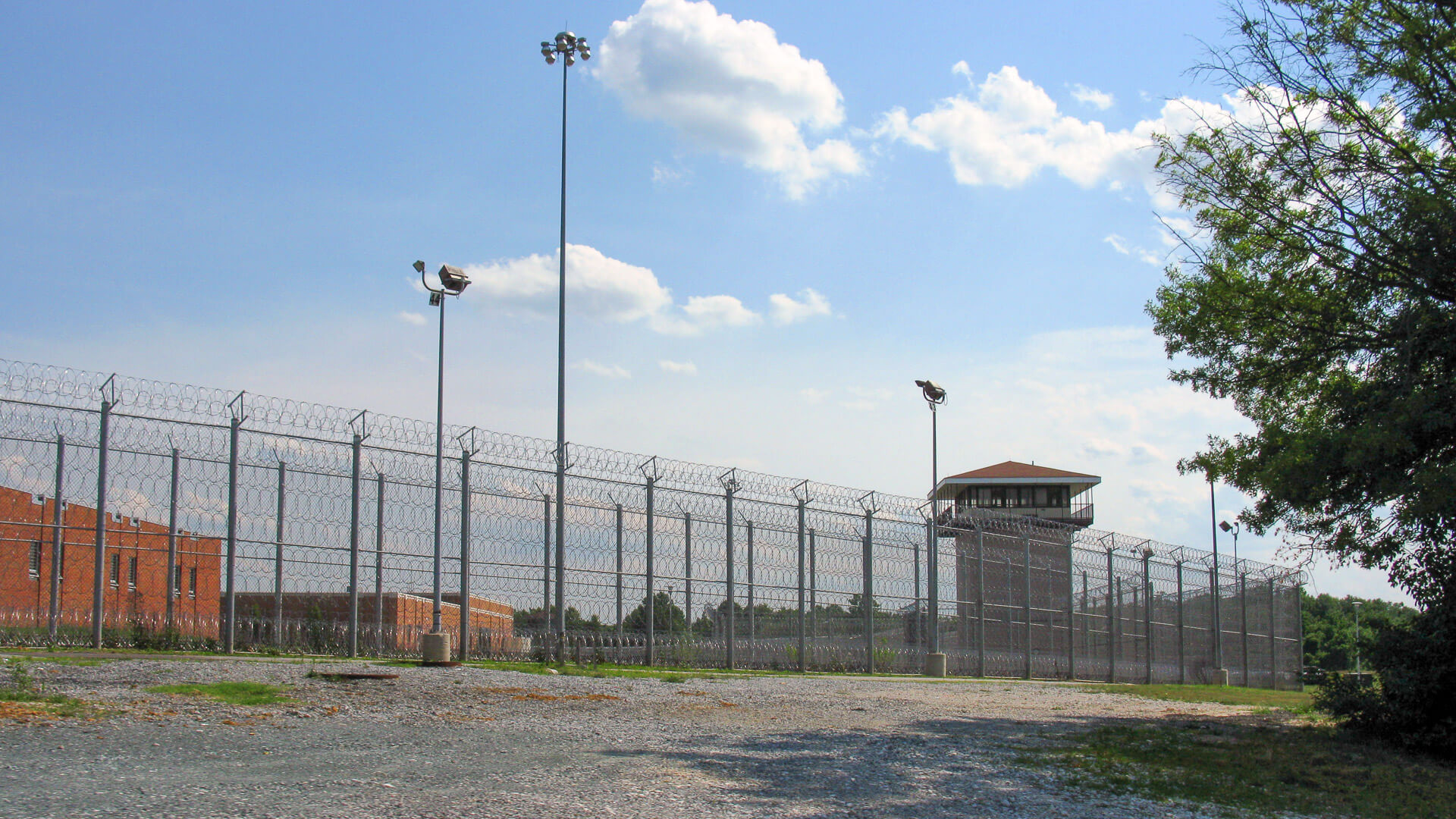 The Maryland Board of Public Works approved budget cuts in September 2017 that reduced funding for the state’s Department of Public Safety and Correctional Services by $8 million. The cuts would be made by not filling open jobs, The Washington Post reported. 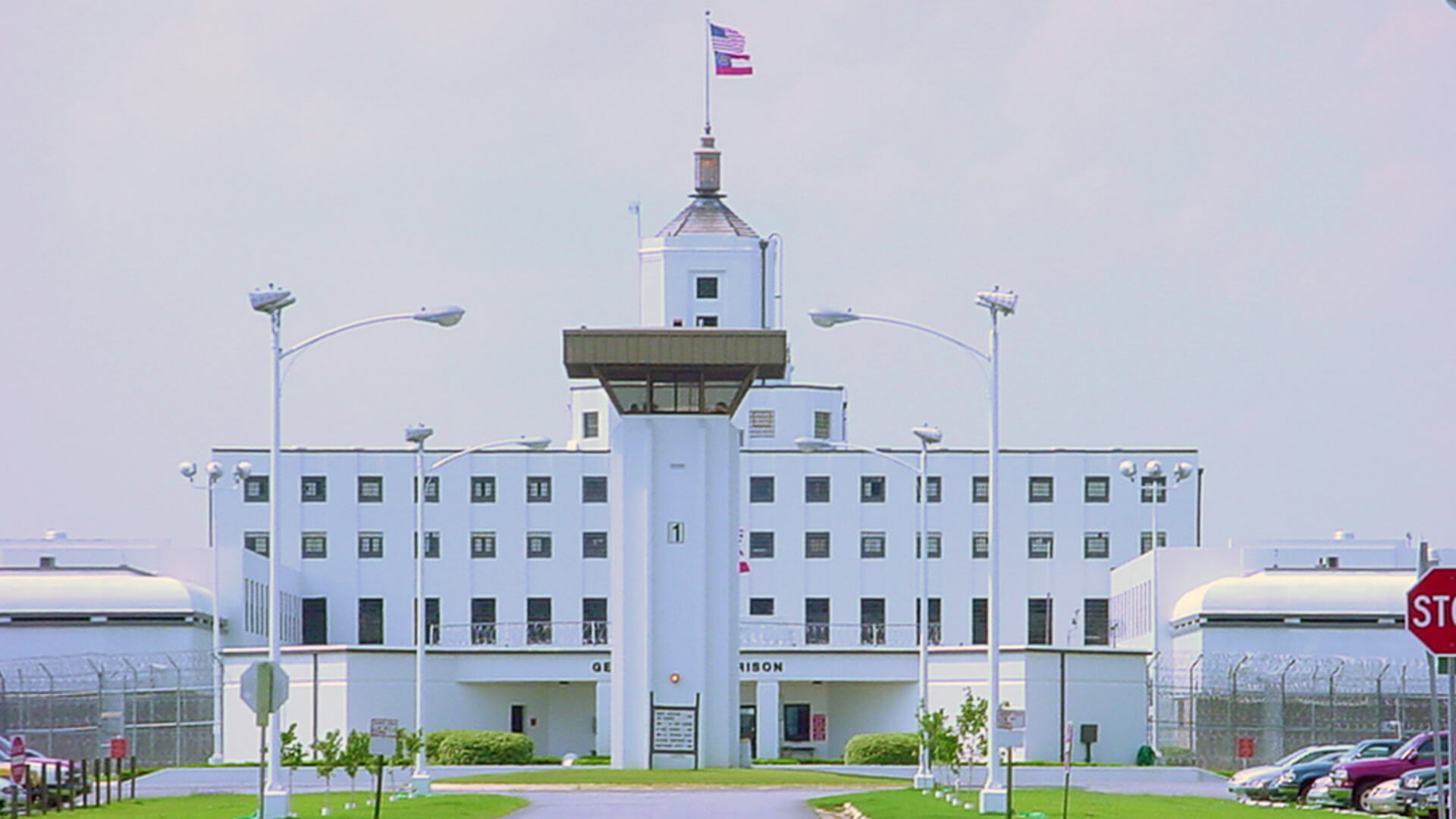 To reduce correctional spending without harming public safety, Georgia Gov. Nathan Deal started pushing for “justice reinvestment,” which aims to make changes to the state’s administrative and legislative levels. Georgia first focused on drug crimes and set up specialty drug courts as an alternative to incarceration.

“By focusing on this segment of our prison population first, we proved that there was a better way,” Deal said. He was able to successfully curb the projected growth trajectory for prisoners in the state. However, the number of people in prison in Georgia was still roughly the same in 2017 compared to 2009. 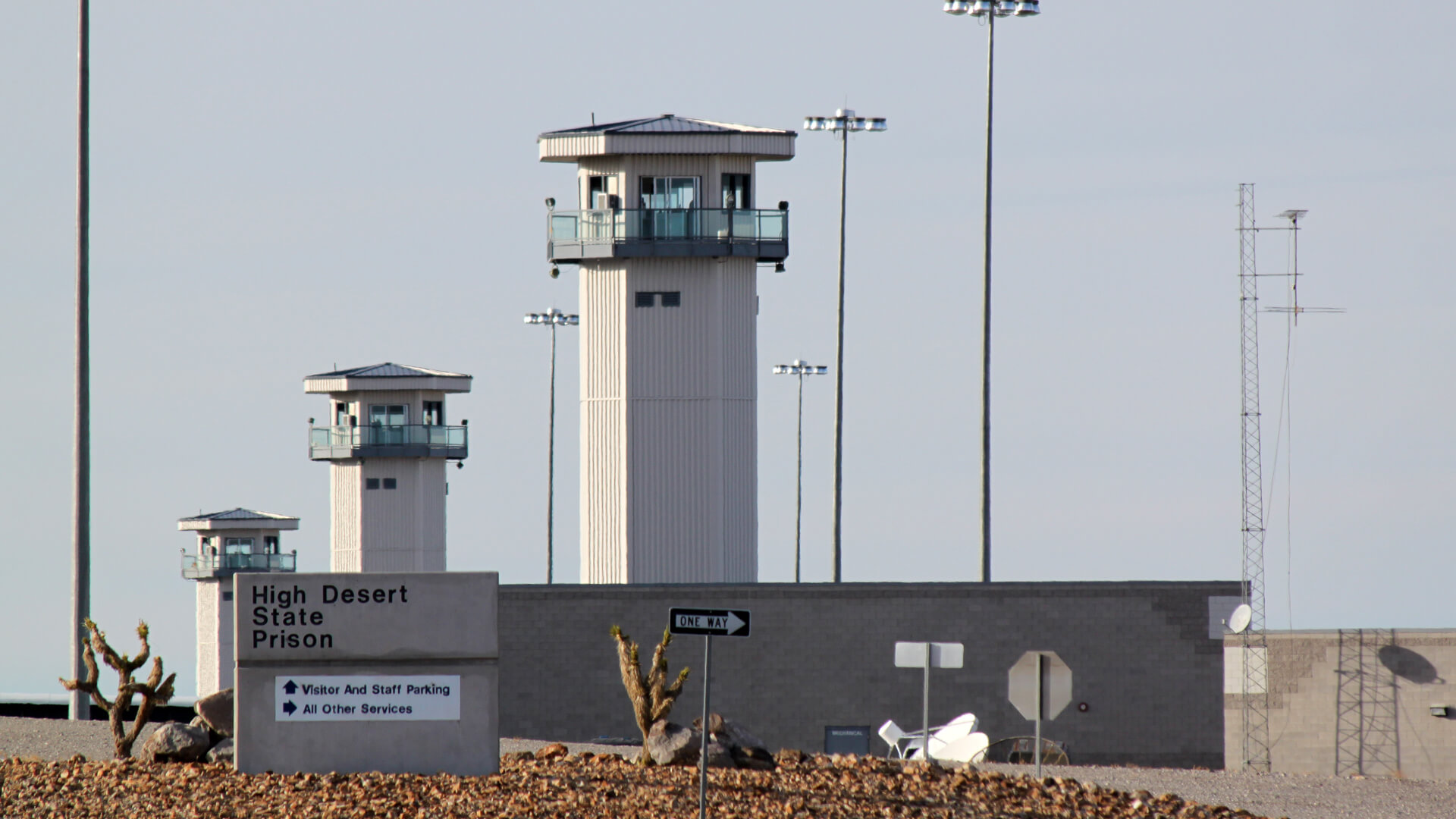 The state of Nevada spends twice as much per inmate as it does per elementary or secondary school student, according to data from the U.S. Census Bureau and Vera Institute of Justice. The cost to house an inmate at an in-state prison is $20,000, according to the Las Vegas Sun.

However, Nevada is running out of prison facilities, so it might need to move some inmates to private out-of-state prisons, which would cost $32,000 per inmate. In 2016, Nevada housed 14,153 prison inmates; that number is projected to rise to 16,409 by 2027, according to data from the Nevada Department of Corrections. 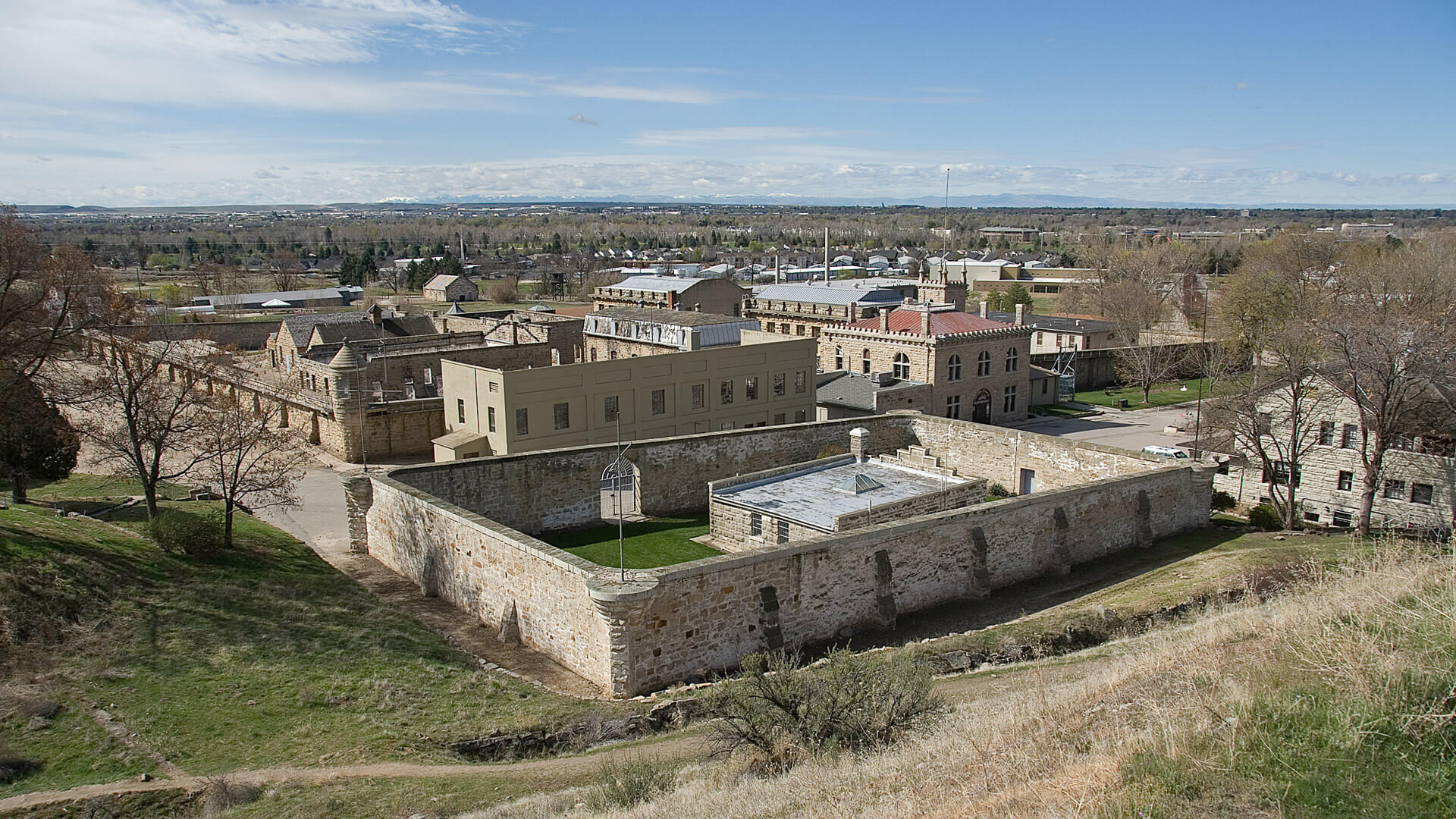 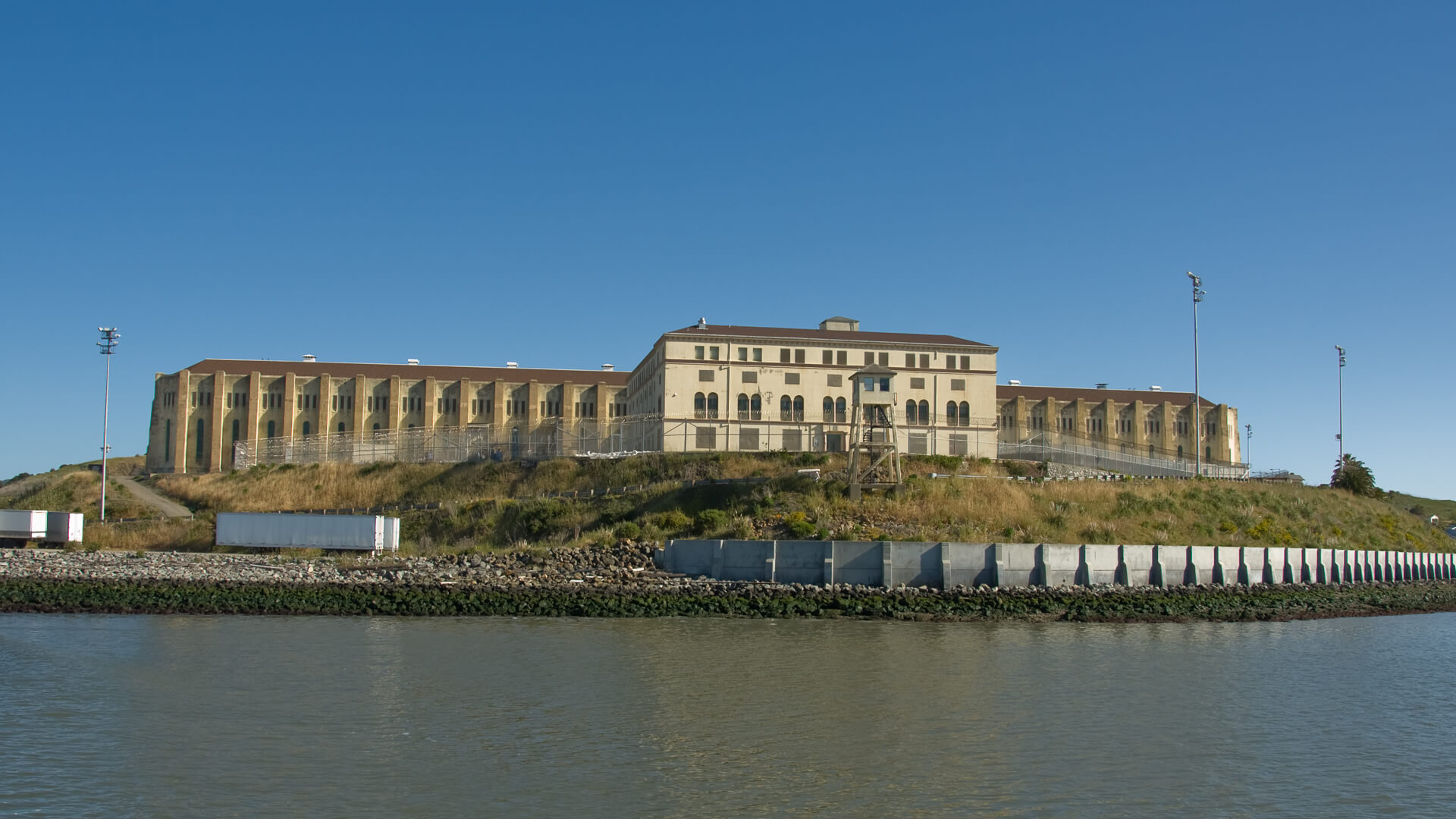 The cost of imprisoning someone in California is $75,560, the Associated Press reported, which is more costly than some of the most expensive colleges in America. The cost per inmate in the state has doubled since 2005, which isn’t caused by an increase in prisoners — in fact, the inmate population has decreased in recent years due to court orders to reduce overcrowding. Instead, the rising costs can be attributed to the salaries and benefits for prison guards and medical providers. 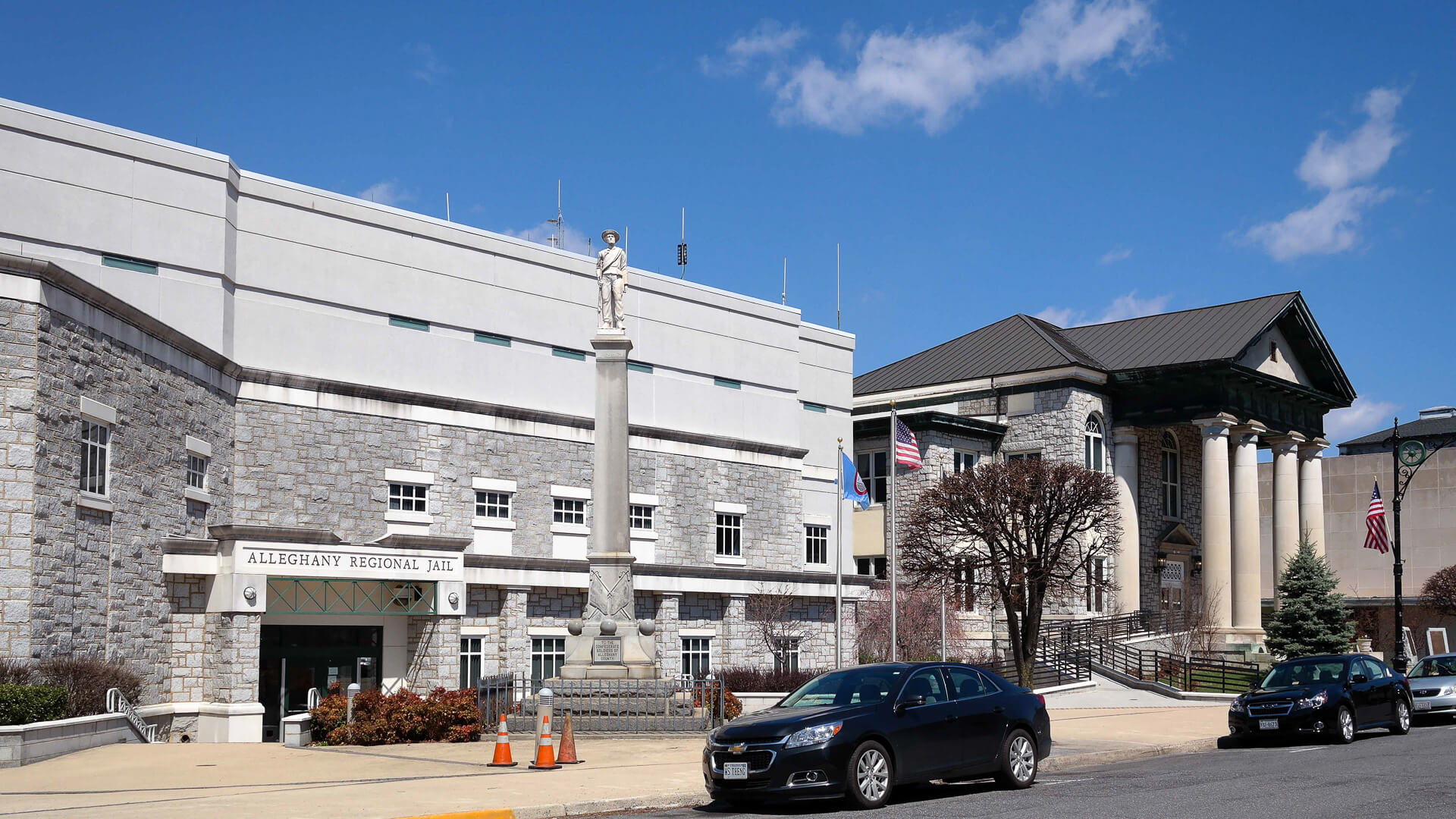 Virginia houses nearly 30,000 violent and nonviolent criminals, costing taxpayers a pretty penny. According to a report by NBC29, taxpayers are paying nearly $850 million for prisoners due to the truth-in-sentencing system, which reduces the possibility of early release from incarceration. Of Virginia’s $1 billion corrections budget for 2016, the state received $135,000 in funding, with the rest provided by taxpayer dollars, the news channel reported. 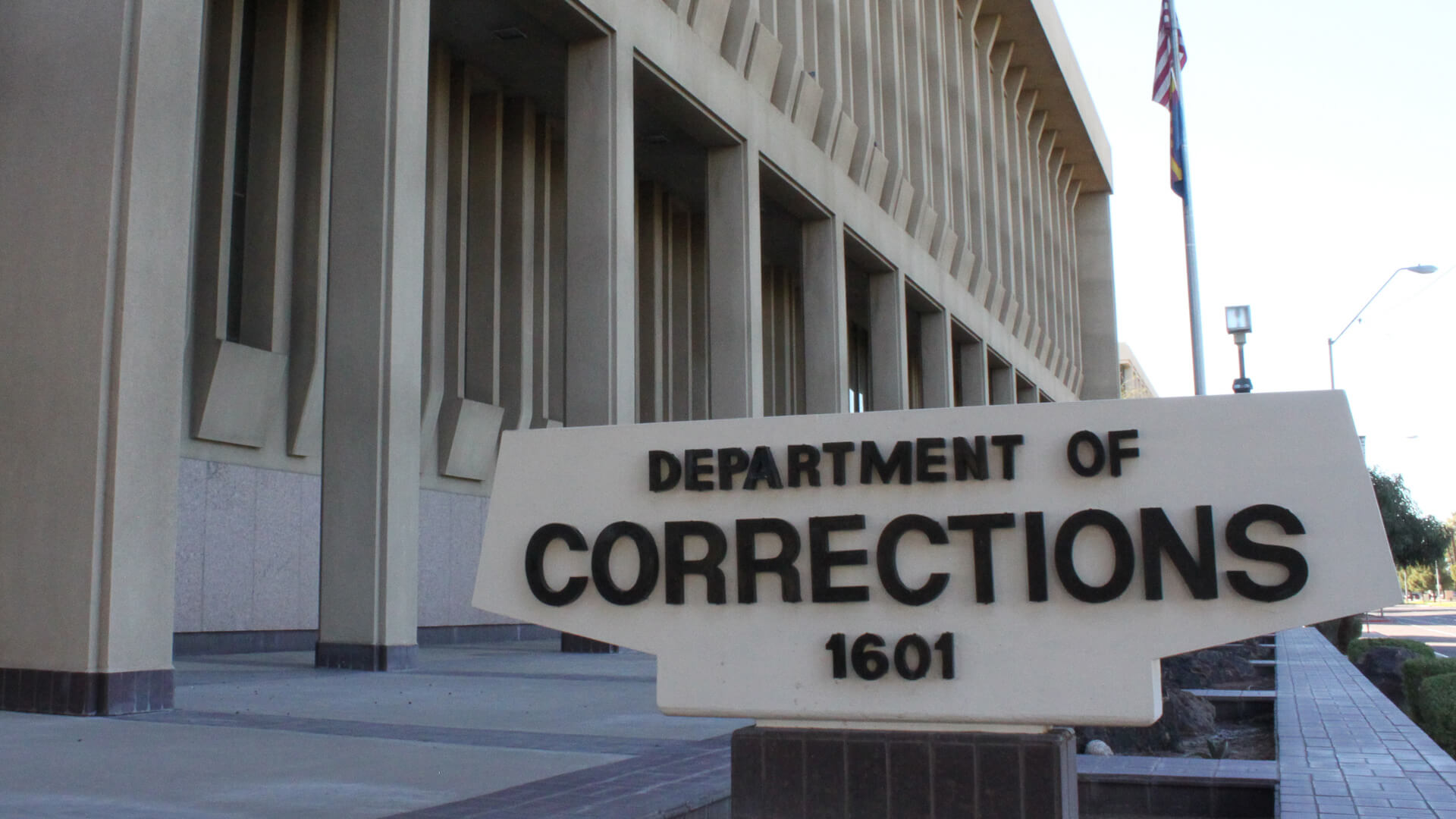 Arizona has the fourth-highest incarceration rate in the U.S. and the highest rate in the West, Prescott eNews reported. The state also has some of the strictest drug sentencing laws, which could explain why prison populations are rising even though the number of violent criminals is declining.

A bipartisan criminal justice reform group was created in the House of Representatives in February 2018 to look at modernizing drug laws in order to reduce the number of people in prison for drug-related crimes. However, actual changes to the laws have been largely blocked by state prosecutors, The Arizona Republic reported.

Click through to read more about the most and least tax-friendly major cities in America.

More on the Economy

Photos are for illustrative purposes only.