Who Says ‘Money Can’t Buy Happiness?’ Here Are 12 Ways It Can 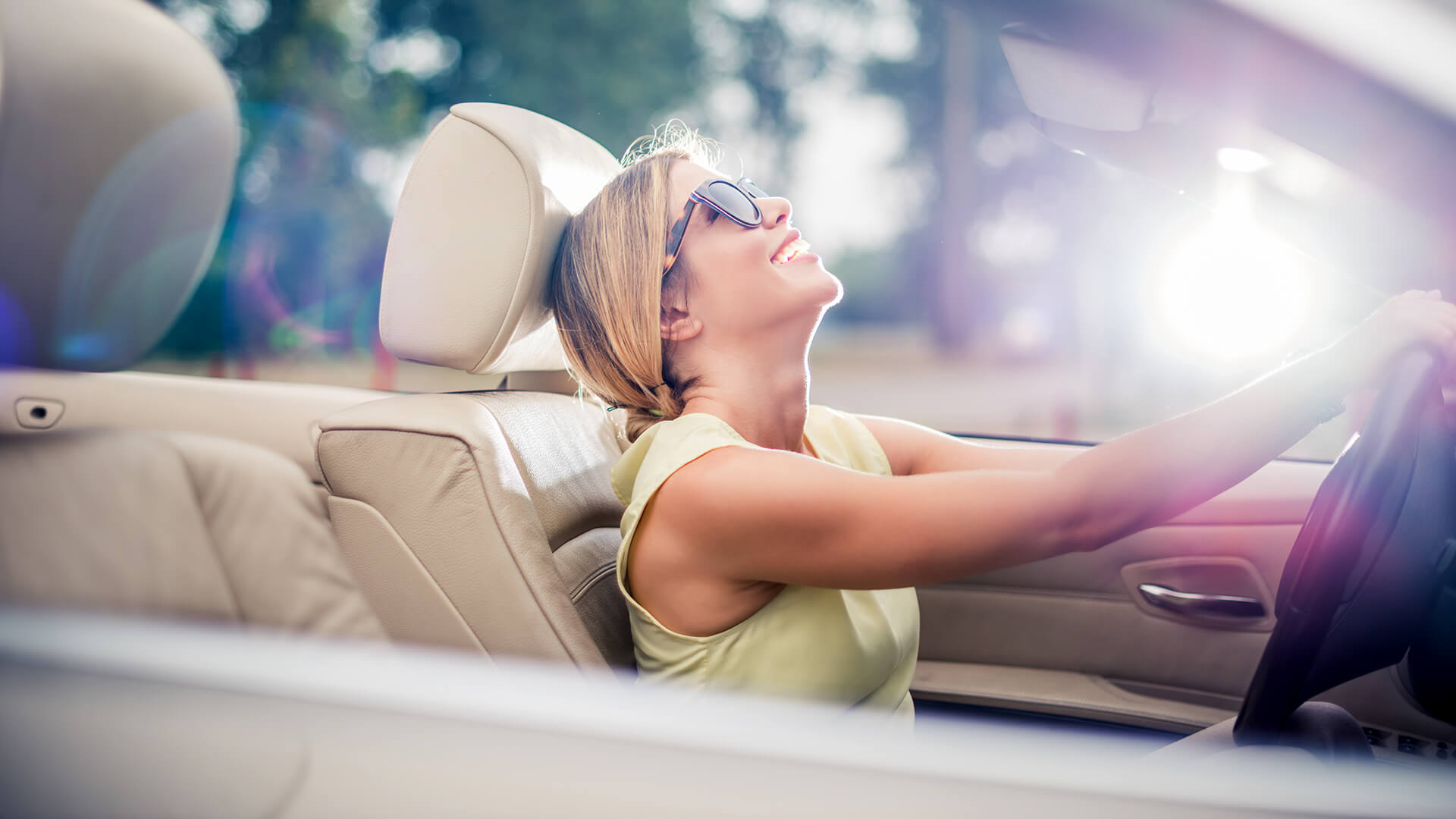 The Beatles made it clear that money can’t buy love. But can it buy happiness? Economists say yes, to a point. According to a 2018 study by Purdue University, household income impacts both emotional well-being and perceived life satisfaction. The study found that $95,000 is the ideal income for life evaluation, and the perfect income for emotional well-being falls between $60,000 and $75,000.

Research shows that dollars do make a difference, and personal finance writers agree. GOBankingRates surveyed 12 popular finance bloggers and money pros to learn more about the ways in which cash affects the quality of life.

Click through to find out the invaluable money lessons that can lead to happiness. 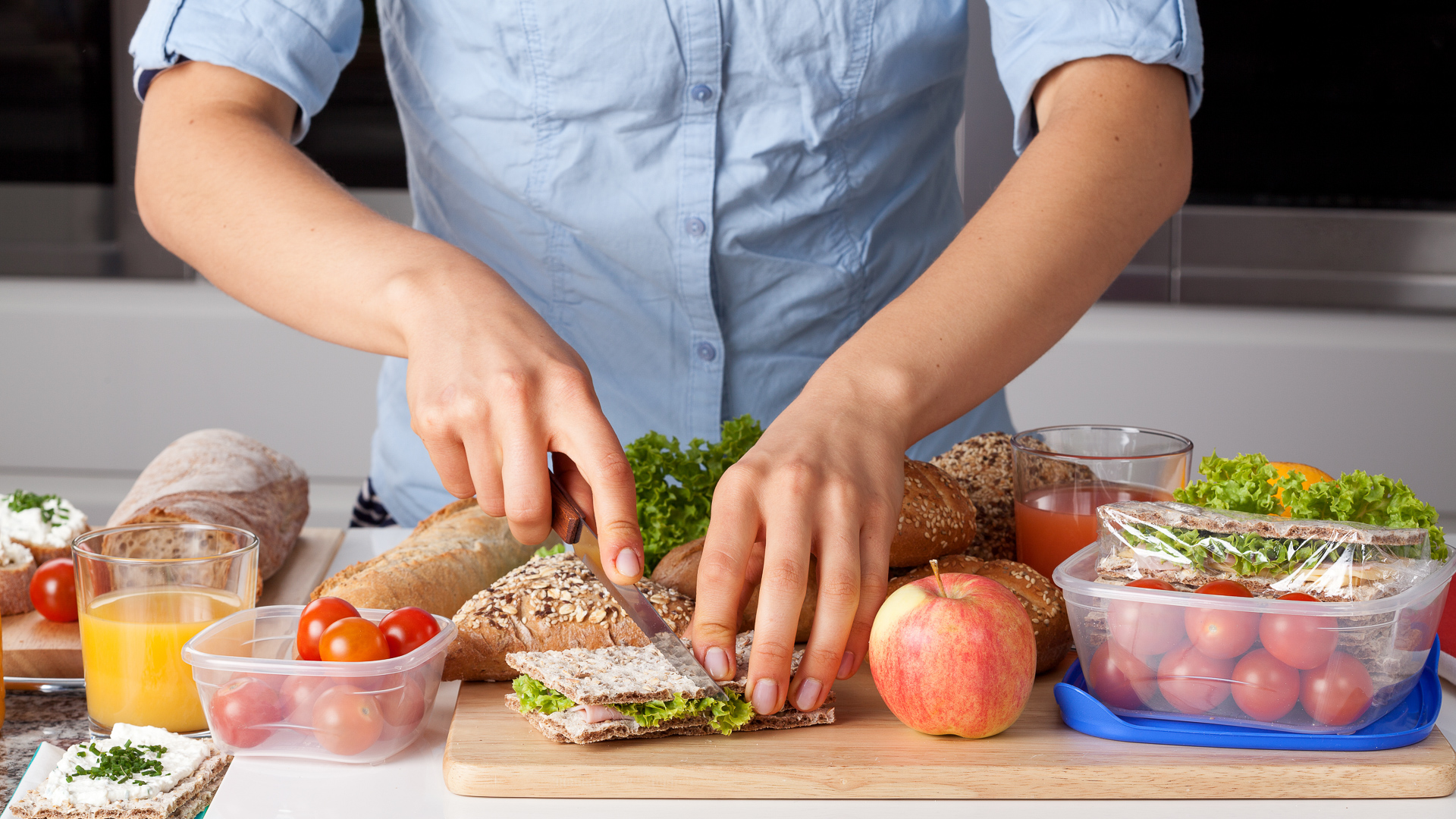 Although she claims to be a “broke girl” living in New York City, Stefanie O’Connell, blogger and author of “The Broke and Beautiful Life,” said when she started to make enough money to feel comfortable, frugality became a choice rather than a necessity. With more money, she now has more options.

“Being limited in what you can buy, do, give or experience because of insufficient funds is undeniably frustrating. Money is a tool that can be leveraged to lift those limitations,” she said. “Having that kind of flexibility in my finances, and in my life in general, makes me happy and grateful every day.”

Having money doesn’t mean you can’t make frugal choices in your daily life. From comparison shopping to making your own lunch, opting to be frugal regardless of income means you’ll have more cash for things that matter, such as pursuing a hobby, passion project or when your car inevitably needs to be repaired. 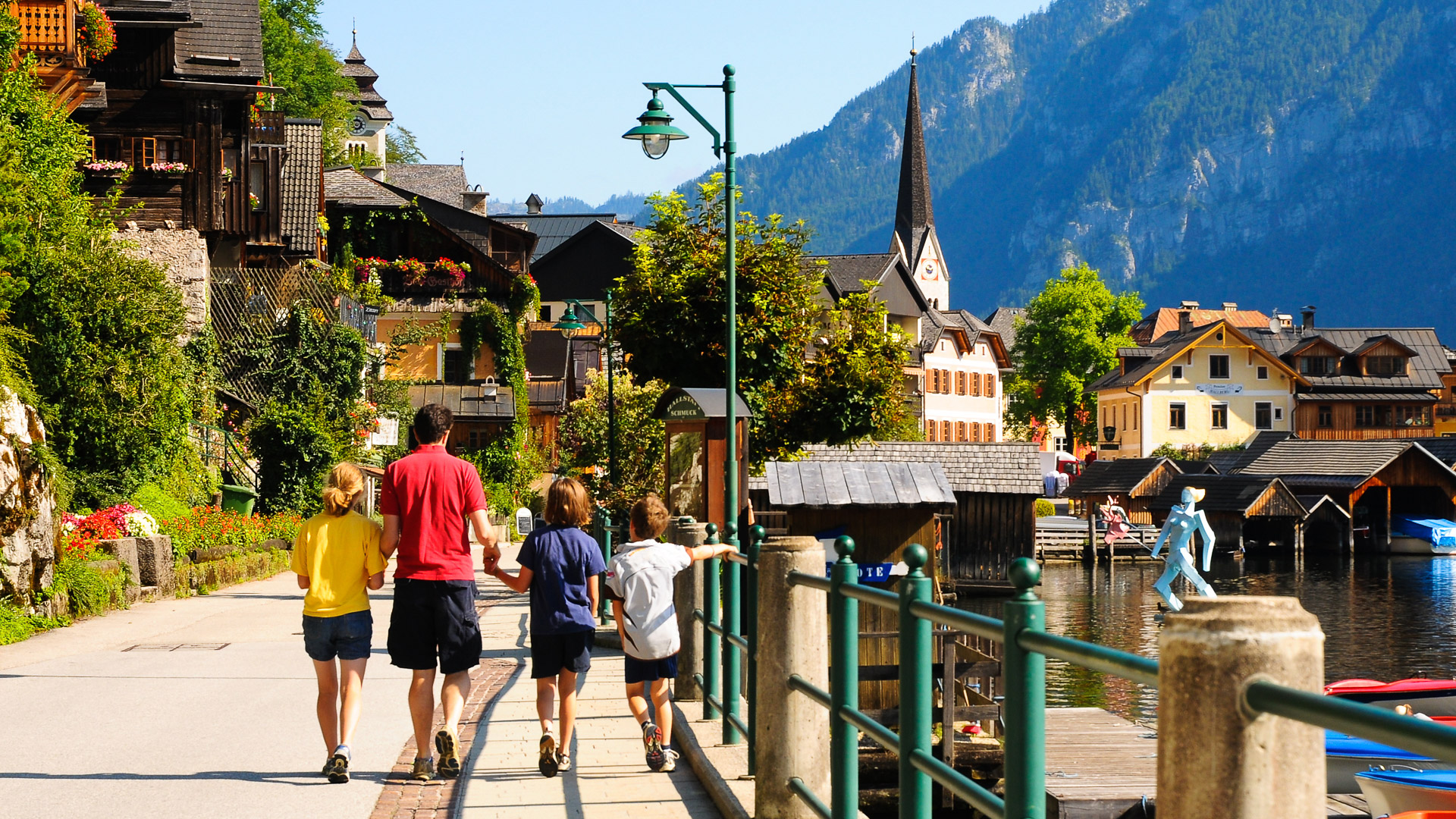 Lance Cothern, a certified public accountant, said he has been interested in money for as long as he can remember. So, he created the Money Manifesto blog to help others better manage their finances.

Having money enables his family to have adventures that continue to bring them joy, long after they have returned from their travels, he said.

“I believe money brings us happiness because it allows us to experience the things we dream of doing,” he said. “Without money, many of us would never be able to experience that once-in-a-lifetime trip to Europe or Alaska.”

A GOBankingRates survey revealed that many Americans share Cothern’s attitude. When asked how they would spend an unexpected $10,000 windfall, 10 percent of people said they’d take a vacation, while another 25 percent said they’d invest in a home. 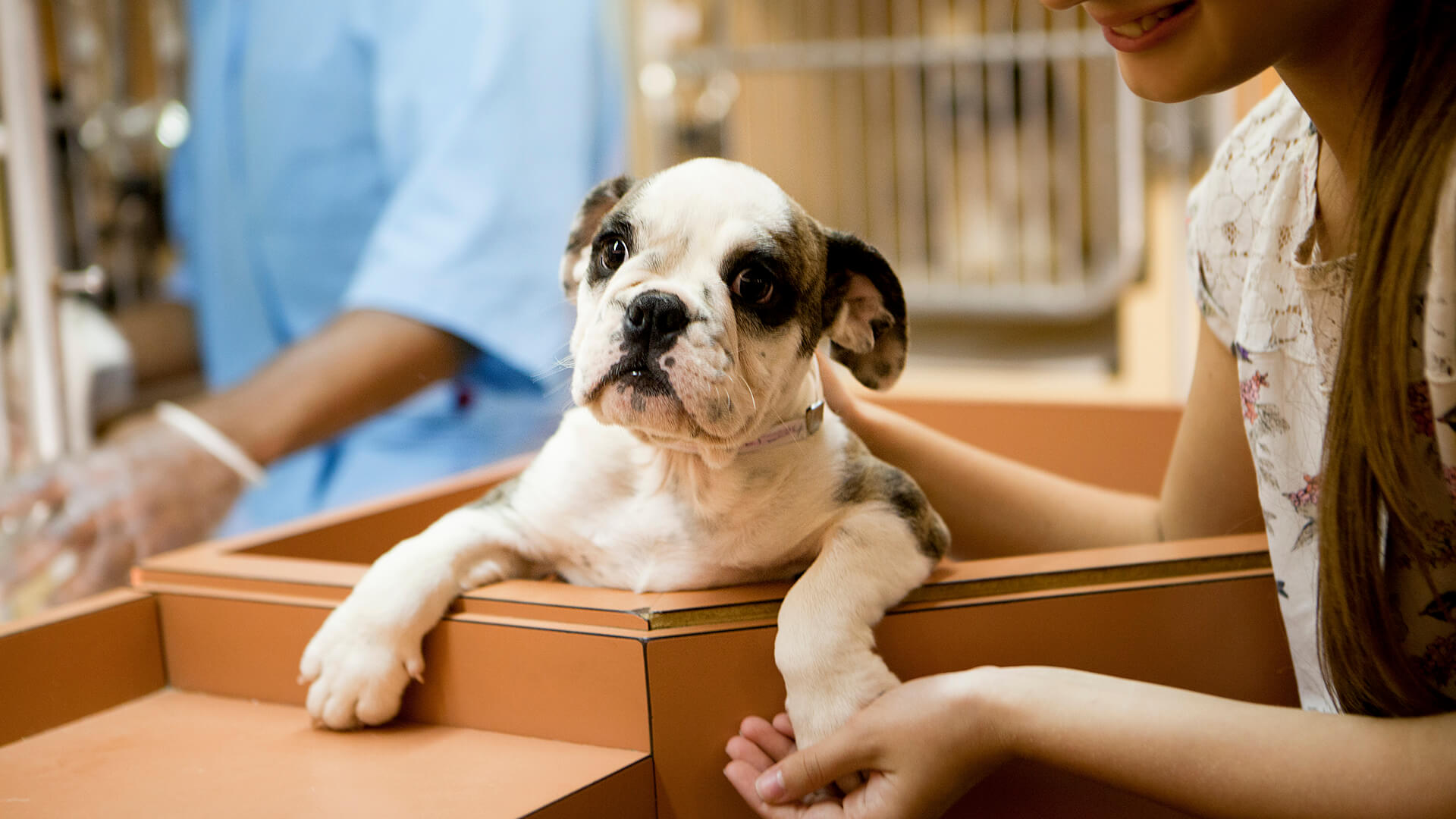 Money Lets You Give Back

Brian MacFarland, the creator of Lazy Man and Money, has been able to turn his passion for personal finance into a money-making blog. Since he created the site in 2006, he’s learned a few things about the connection between money and happiness.

“Studies show that having $75,000 is a magic number for those who say they are happy,” he said. But he added that more money doesn’t necessarily buy more happiness. However, having money does give you the ability to give back to others — and having a purpose through volunteerism and charity is also often cited as a key to happiness, he said.

If you don’t already have a favorite charity, you can find one you’d like to support with a little online research and introspection. Chances are there’s at least one cause that is close to your heart. From animal rescue charities to groups focused on civil rights or fighting diseases, there is no shortage of worthy causes.

“I’ve found all that to be instrumental to my happiness … though, I’m still working toward the $75,000 number,” he said. 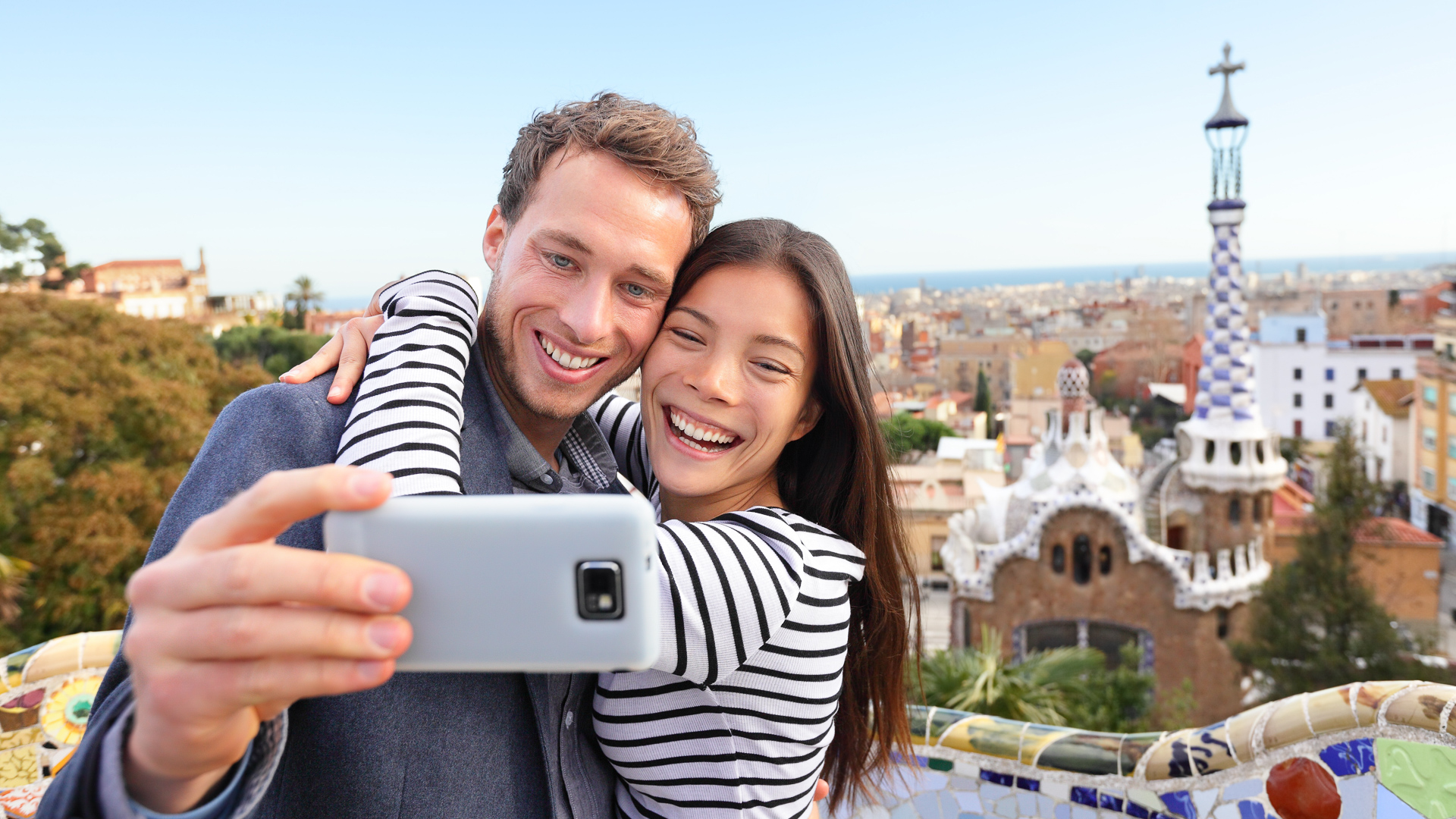 Money Lets You Live the Life You Want

Robert Farrington’s blog, The College Investor, helps millennials get out of student loan debt and build wealth. He has learned that money can help create happiness because it lets you live the lifestyle you want — whether that is taking vacations, going out to dinner with friends or even buying things that make life easier.

For example, Farrington wanted a lifestyle that revolved around his family. “Money has brought me happiness because it has allowed my wife to fulfill her dream of staying home to raise our son,” he said.

Even if a windfall isn’t on the horizon, you can still take steps to improve your financial situation while living the life you want. For example, you might consider investing extra time in a side hustle that could turn into a lucrative new career or finding a job you can do from home. 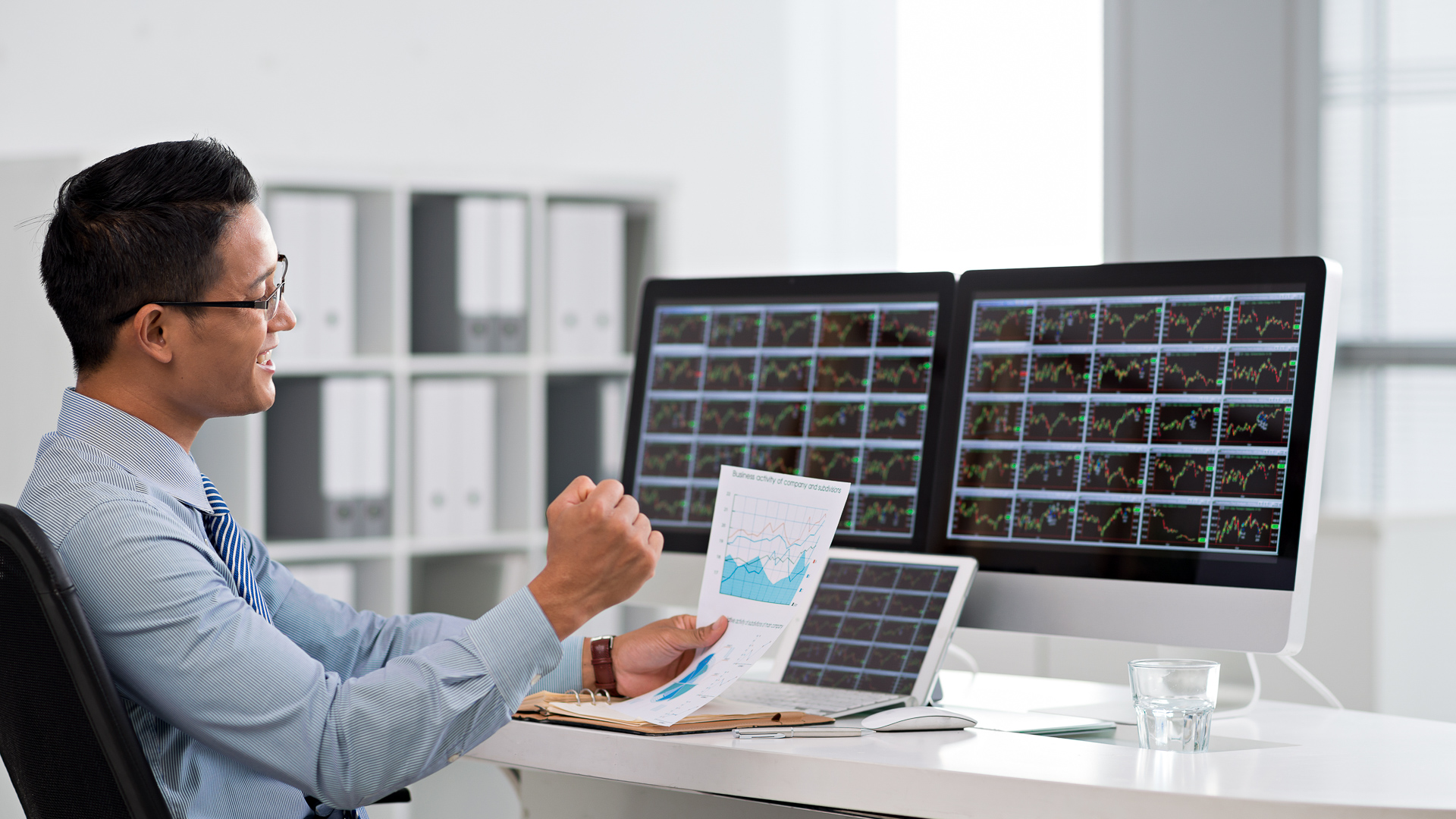 Alexis Schroeder chronicles her journey to a happy, healthy lifestyle on FITnancials. As someone who has provided for herself since the age of 16, Schroeder knows firsthand how money can bring happiness.

“Money brings me stability and security,” she said. “I’m able to take care of myself financially without relying on anyone else to keep me secure.” 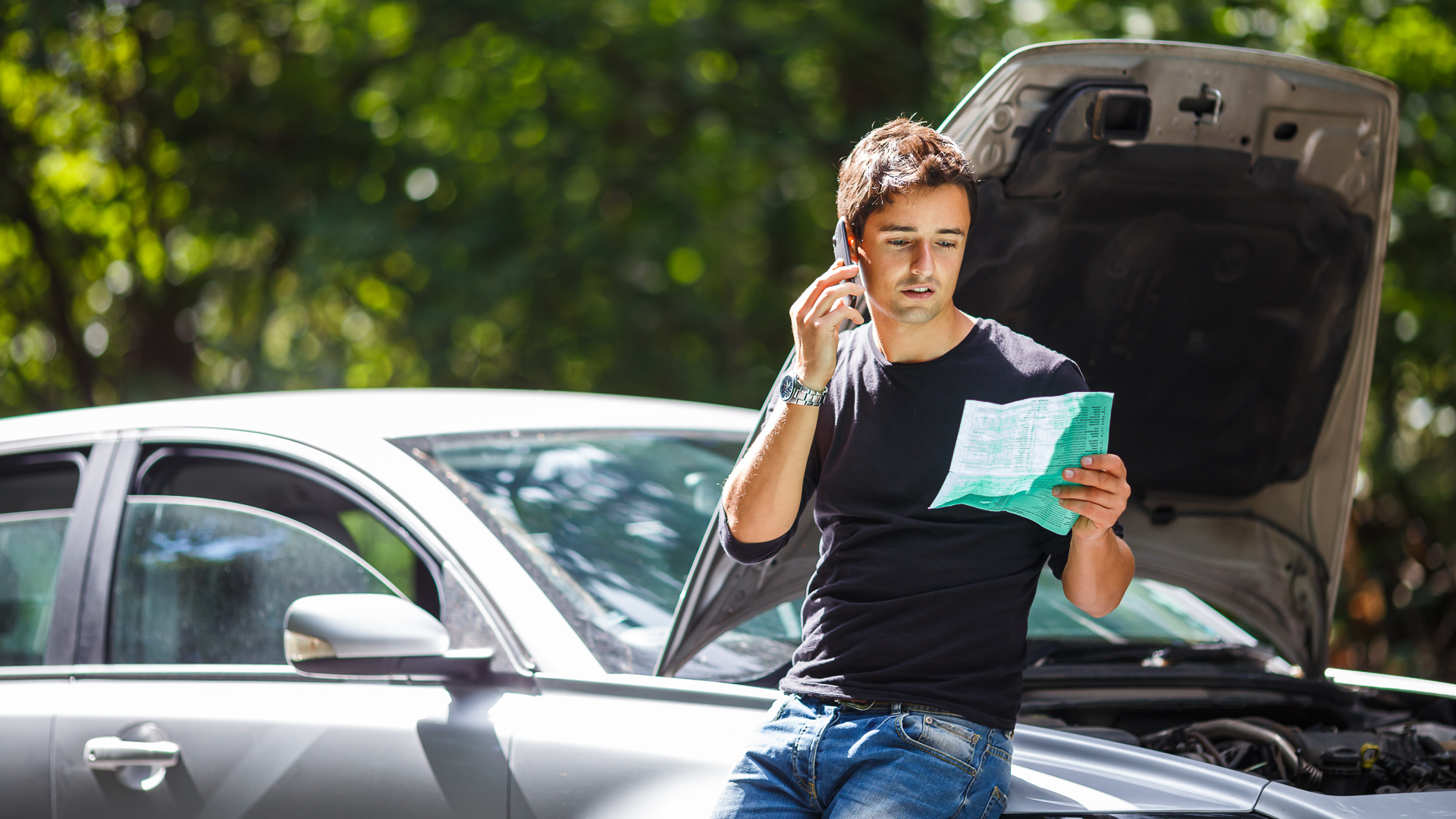 Money Buys Safeguards Against the Unexpected

Michelle Schroeder-Gardner knows a thing or two about making money. She was able to pay off nearly $40,000 in student-loan debt in just seven months by working side jobs in addition to a full-time job and creating the blog Making Sense of Cents. Now she’s entirely self-employed and pulling in more than $70,000 a month through her online endeavors.

Schroeder-Gardner said that money has brought her happiness because, by managing it well, she’s been able to safeguard herself against the stress of unexpected expenses. “I am saving more money than ever and have been able to build my retirement and emergency funds,” she said.

If you want to build an emergency fund but are still trying to pay off debt, you might need to divide up your money and work toward accomplishing both goals at once. 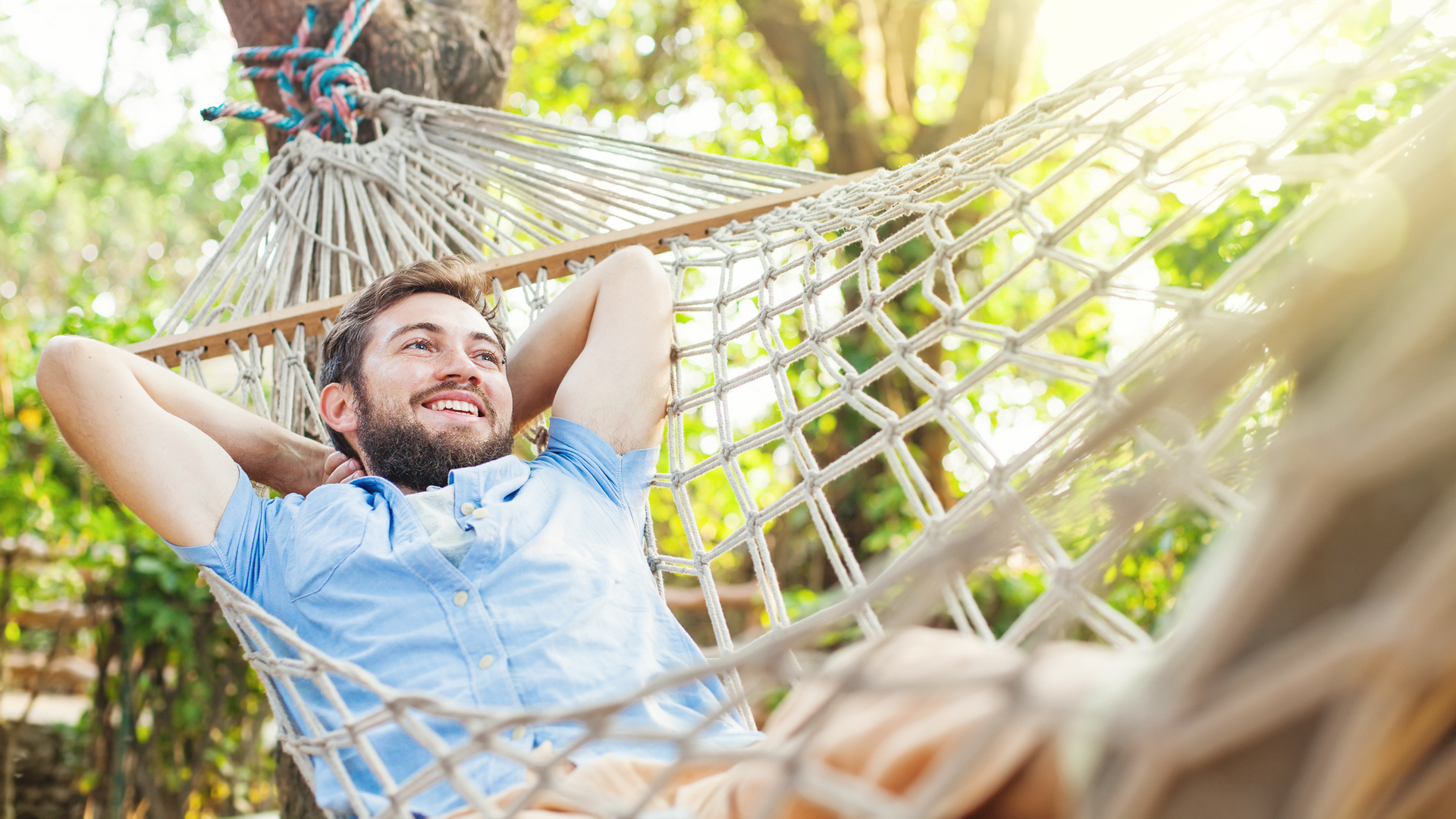 Philip Taylor created the PT Money blog in 2007 as a way to share his own experiences managing his money and learning more about personal finance. Now, he’s the one teaching his loyal followers how to take control of their finances.

“Money — or my mastery of it — certainly has made my life easier,” Taylor said. “I have a ton of options, freedoms and protections. But an easy life doesn’t equal happiness. I have to choose that daily.”

In some cases, choosing happiness might mean turning down a stressful job with a high salary or opting to pursue a side hustle in your spare time that aligns with your interests. The goal is to decide what will make you happy in life and take steps to pursue it. 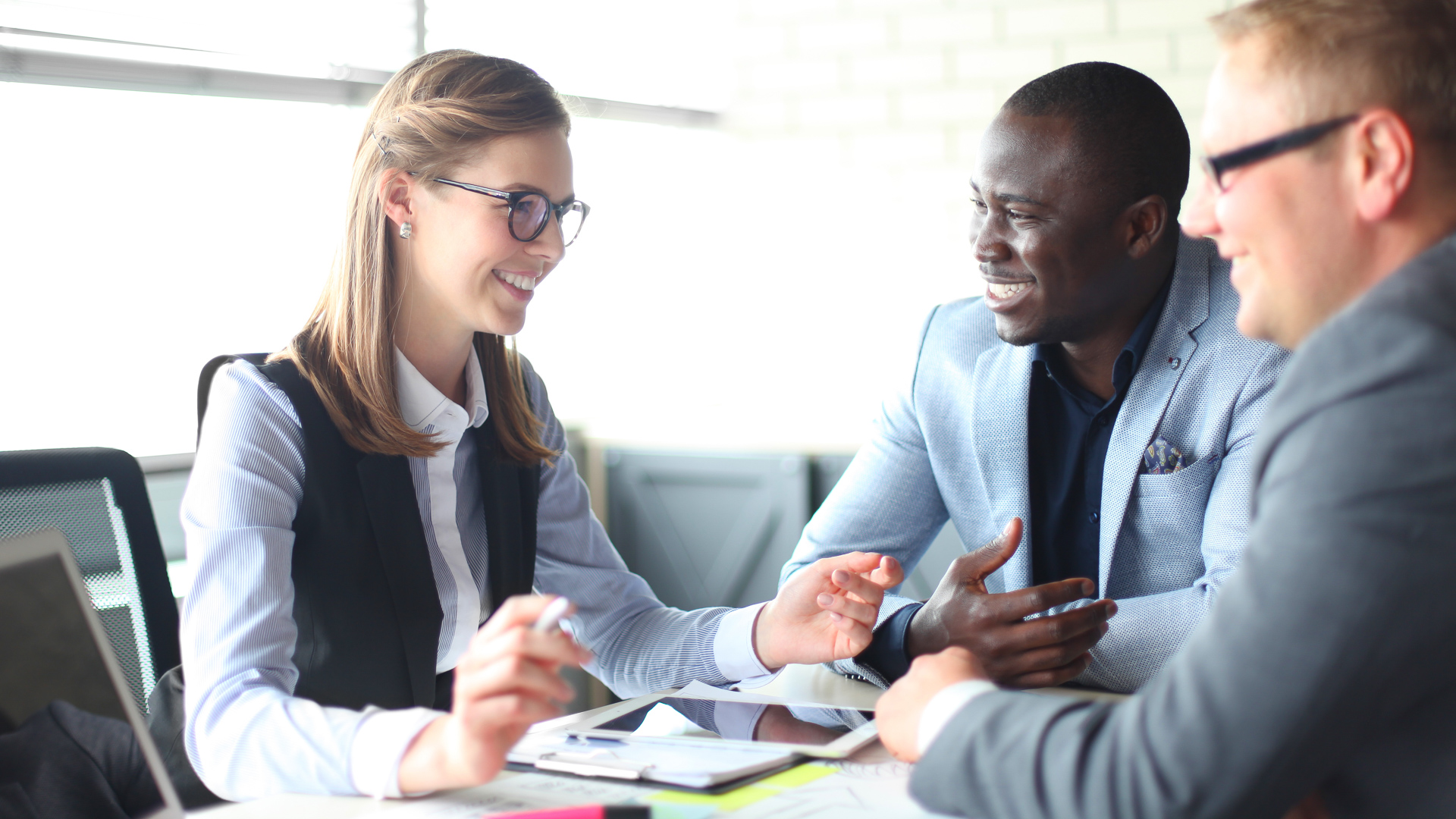 Money Lets You Do What You Love

Jon Dulin dug himself out of $10,000 in credit-card debt and now plans to retire by 50. So, the creator of the Money Smart Guides blog has seen for himself how money can give you more options in life.

“For me, money has brought happiness in this way,” Dulin said. “Because my wife and I worked hard and saved a lot every month, I took advantage of starting my own business. Had we not saved as we did, I wouldn’t have that option.”

You don’t have to quit your day job to start pursuing a passion project in your spare time. For the best results, focus on selling products rather than services to minimize your initial time investment, and don’t be afraid to ask friends for help. 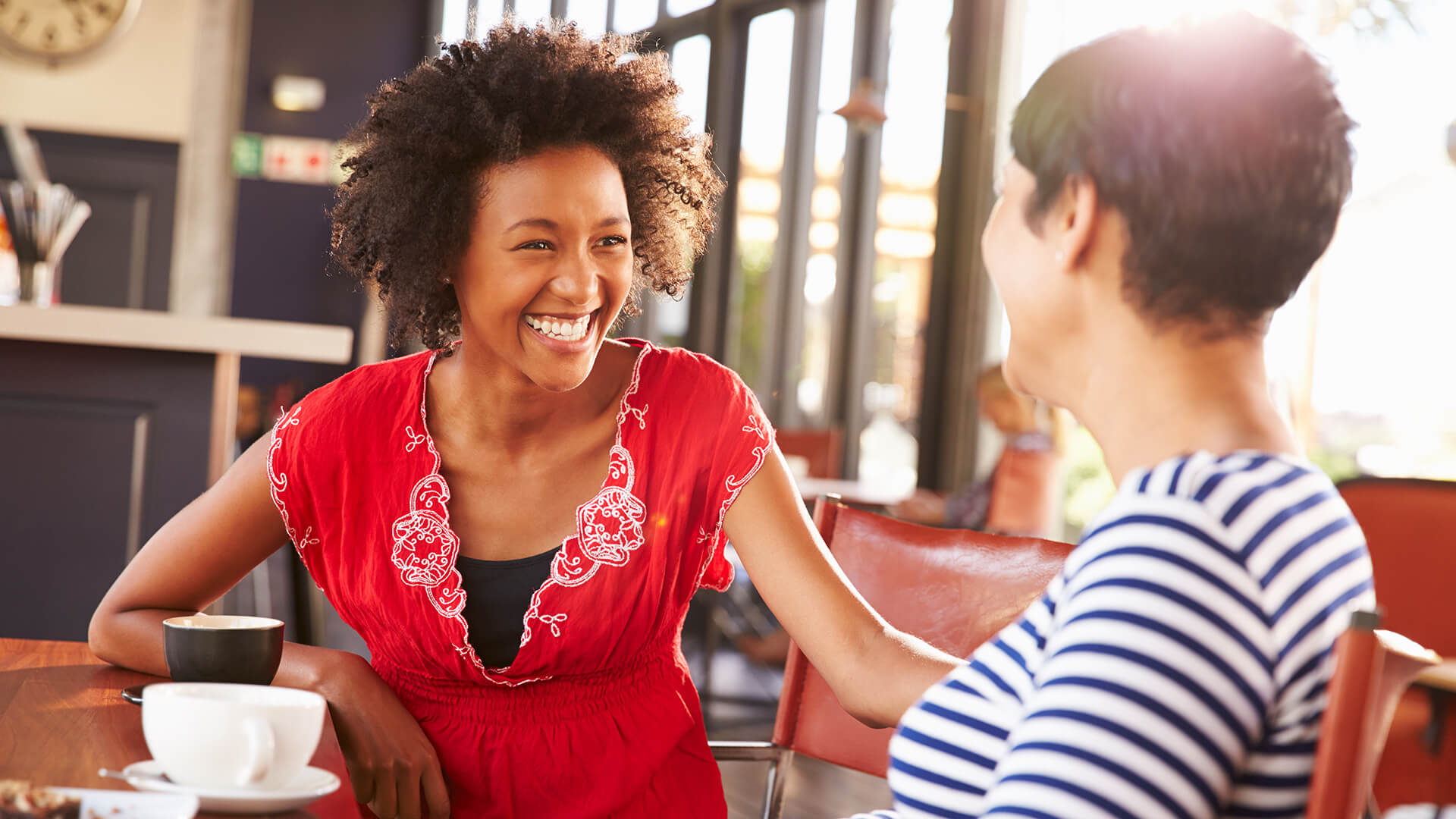 Money Allows You to Help Friends in Need

William Charles, who blogs at Doctor of Credit, has found that money makes him happy when he can use it to make others happy. In fact, Charles once helped his friend pay off credit card debt — and the friend paid him back over time.

“It’s an amazing feeling to be able to help somebody you deeply care about when they are in relatively small financial trouble that is causing them great stress,” he said. “It meant the world to him, and it was a relatively small monetary gesture from me.”

Just be sure you can afford to make the loan and don’t expect to be repaid immediately. 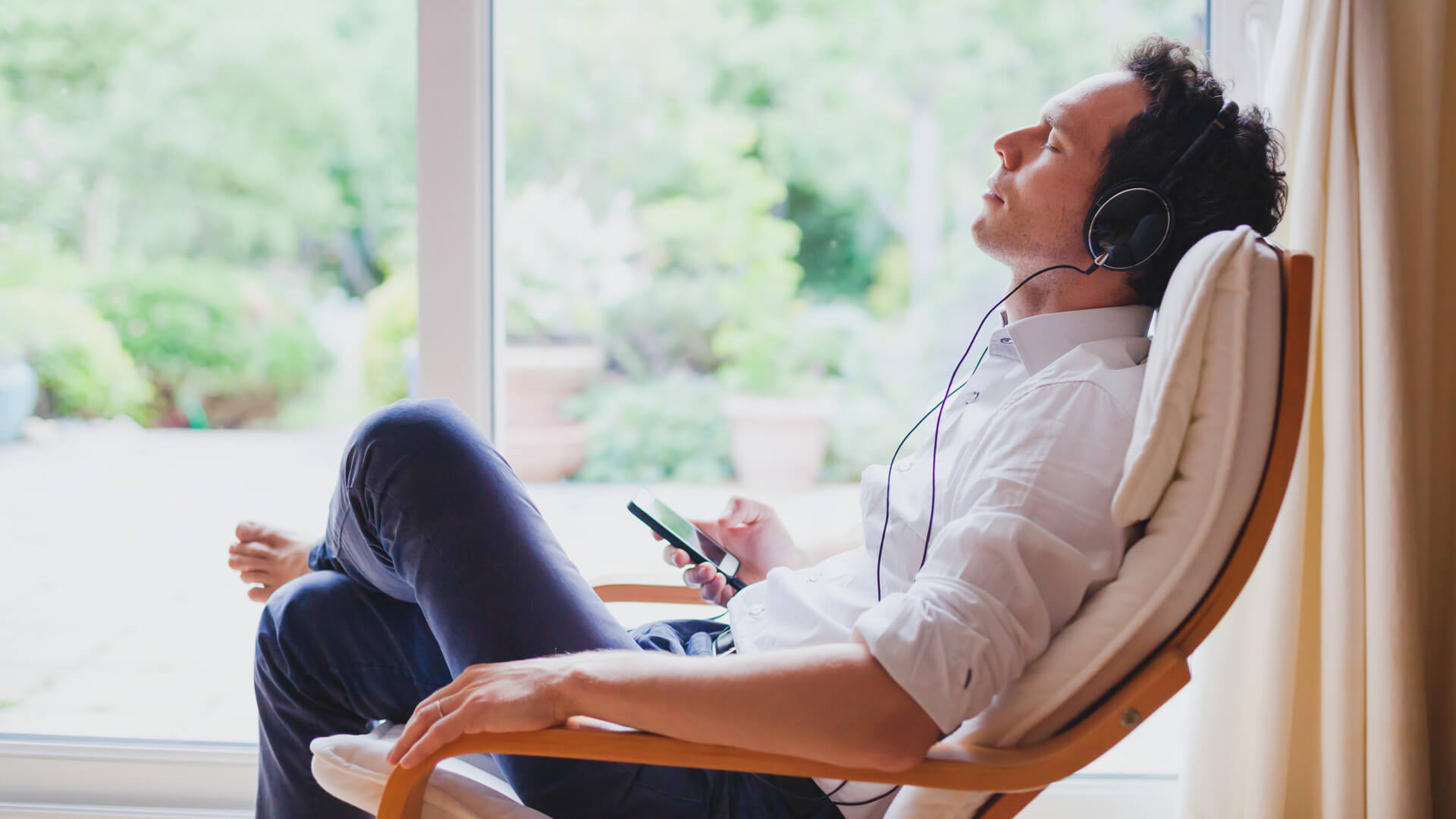 Nick Loper is the creator of Side Hustle Nation, a site that showcases his successes and failures with side businesses as well as lessons from other entrepreneurs. He has found that money can buy happiness in more than one way.

“The first is the obvious: material comforts, food, shelter, entertainment, travel, etc. But the second way is maybe even more important, and that’s the mental anguish it helps dissolve,” Loper said. “If you have a healthy savings cushion, you live with far less financial anxiety than someone living paycheck to paycheck, because you know you can weather a job loss, a trip to the ER or unforeseen car repairs.”

According to a survey by the American Psychological Association, money is a major stressor in the lives of many Americans. In fact, 72 percent of respondents admitted to feeling stressed about finances in the past 30 days, while 22 percent had suffered extreme stress. With medical research connecting stress to a host of health problems ranging from headaches to insomnia, it’s no surprise that people with a financial cushion sleep easier. 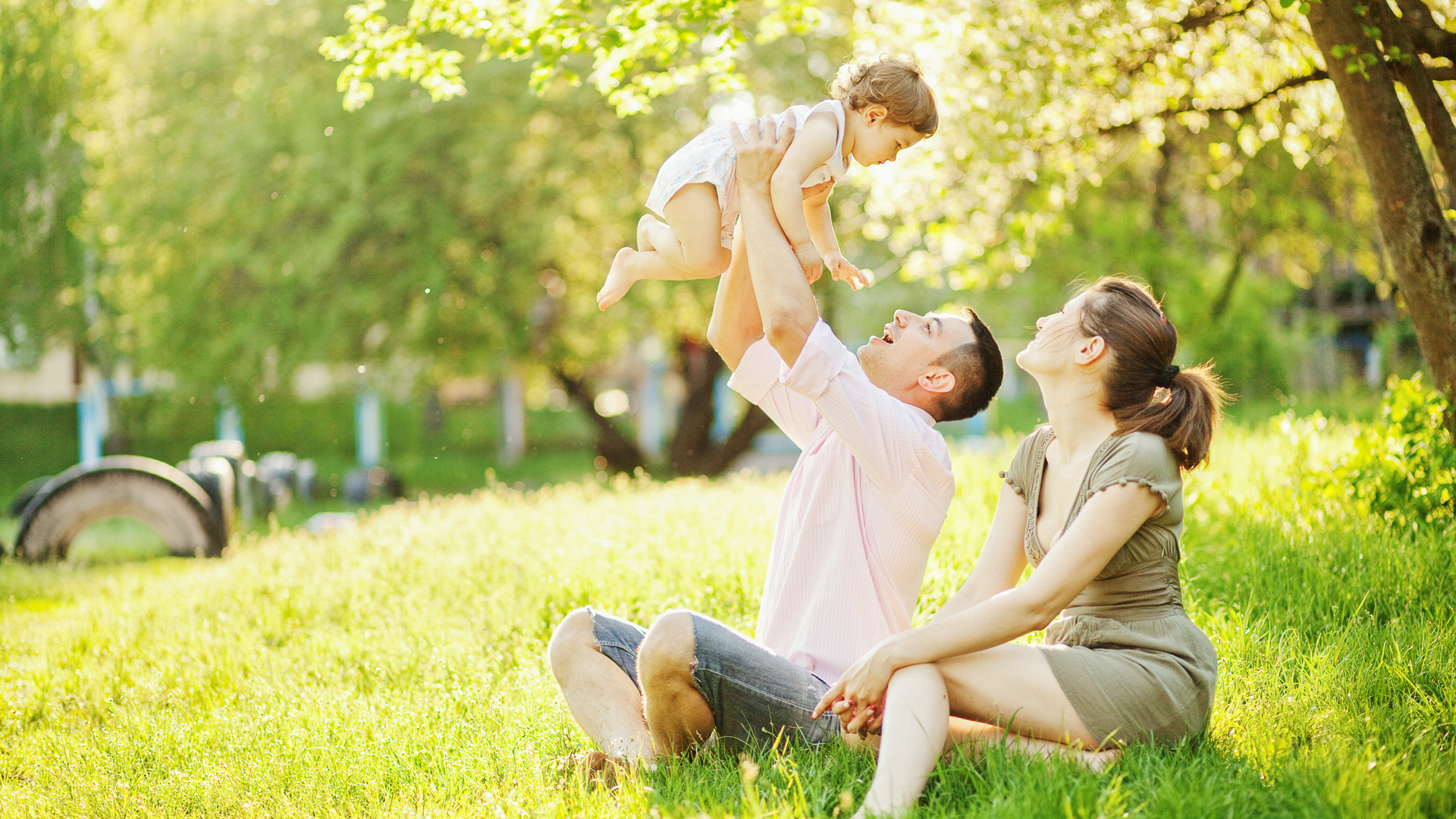 Money Helps You Enjoy All Stages of Life

Ben Edwards aims to help people have a better life through the money tips he offers on his blog Money Smart Life. He has learned that the amount of happiness money can offer varies throughout life.

“For example, right now we’re raising our three kids,” Edwards said. “It makes us happy to be able to afford to pay for the extracurricular things that help them develop and learn.”

Because he doesn’t know what will make him happy in the next phase of life, he said it’s important to save to have the money to pay for what will bring him joy then. For example, you might want to travel in retirement or pursue a hobby you didn’t have time for while working full time. Along with contributing to a 401k, you can safeguard your future happiness by investing in a Roth IRA. 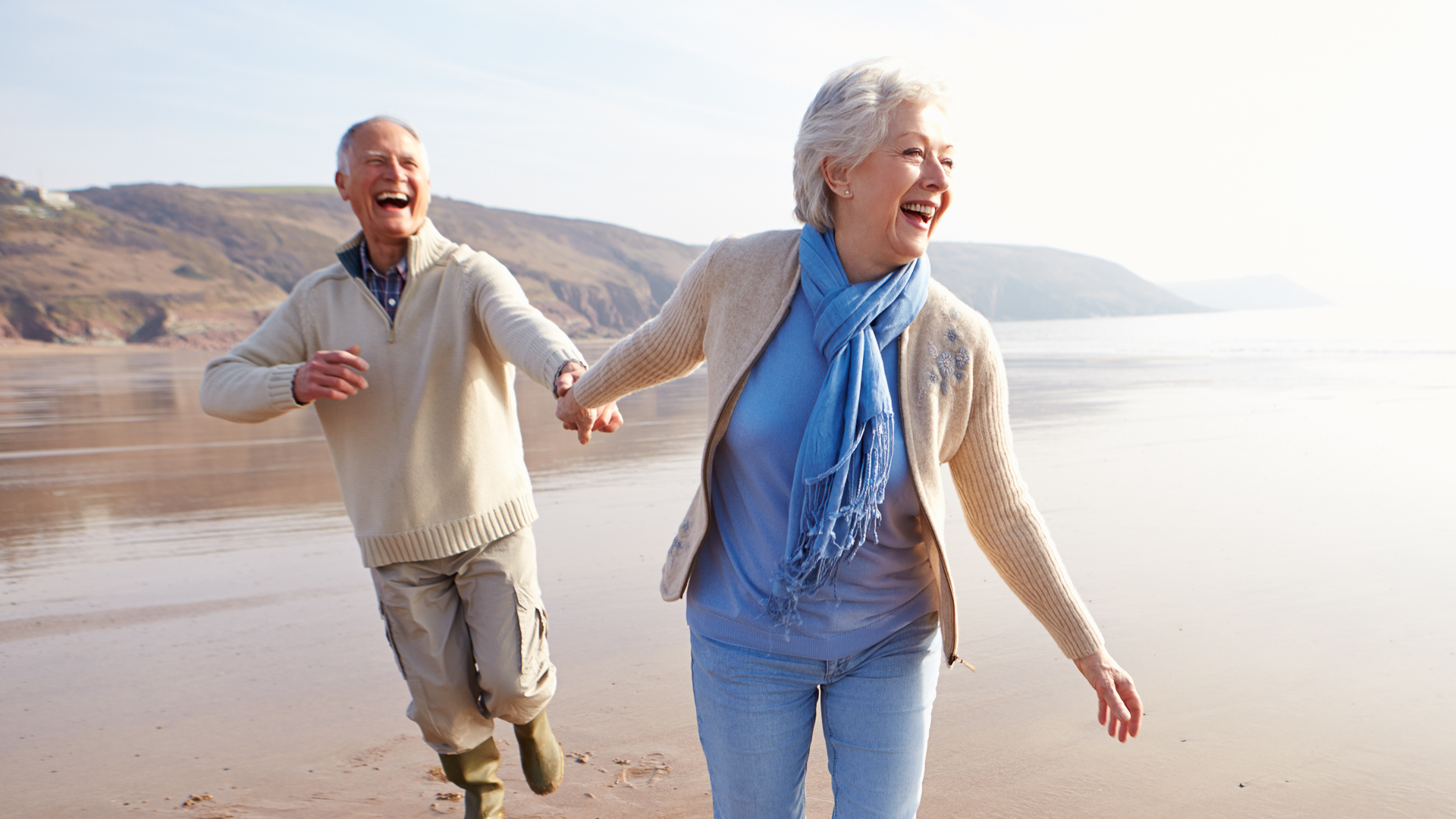 Tiffany “The Budgetnista” Aliche is an award-winning teacher of financial empowerment and founder of the Live Richer Challenge. Yet, she doesn’t believe that money brings happiness directly.

“I believe that money brings options and greater freedom to choose,” she said. “It’s through those choices that happiness is found. Money has enabled me to travel the world, give back via donating and to start my own business by doing my passion. It’s those choices that have made me happy, not the money itself.”

Whether you hope to retire a millionaire at 65 or work a job you love long into your golden years, you want the choice to be yours and not the result of financial necessity. Make smart money decisions now and enjoy greater financial freedom down the line.

Click through to read more about what it takes to save $1 million for retirement.