The Rarest Supercars in the World 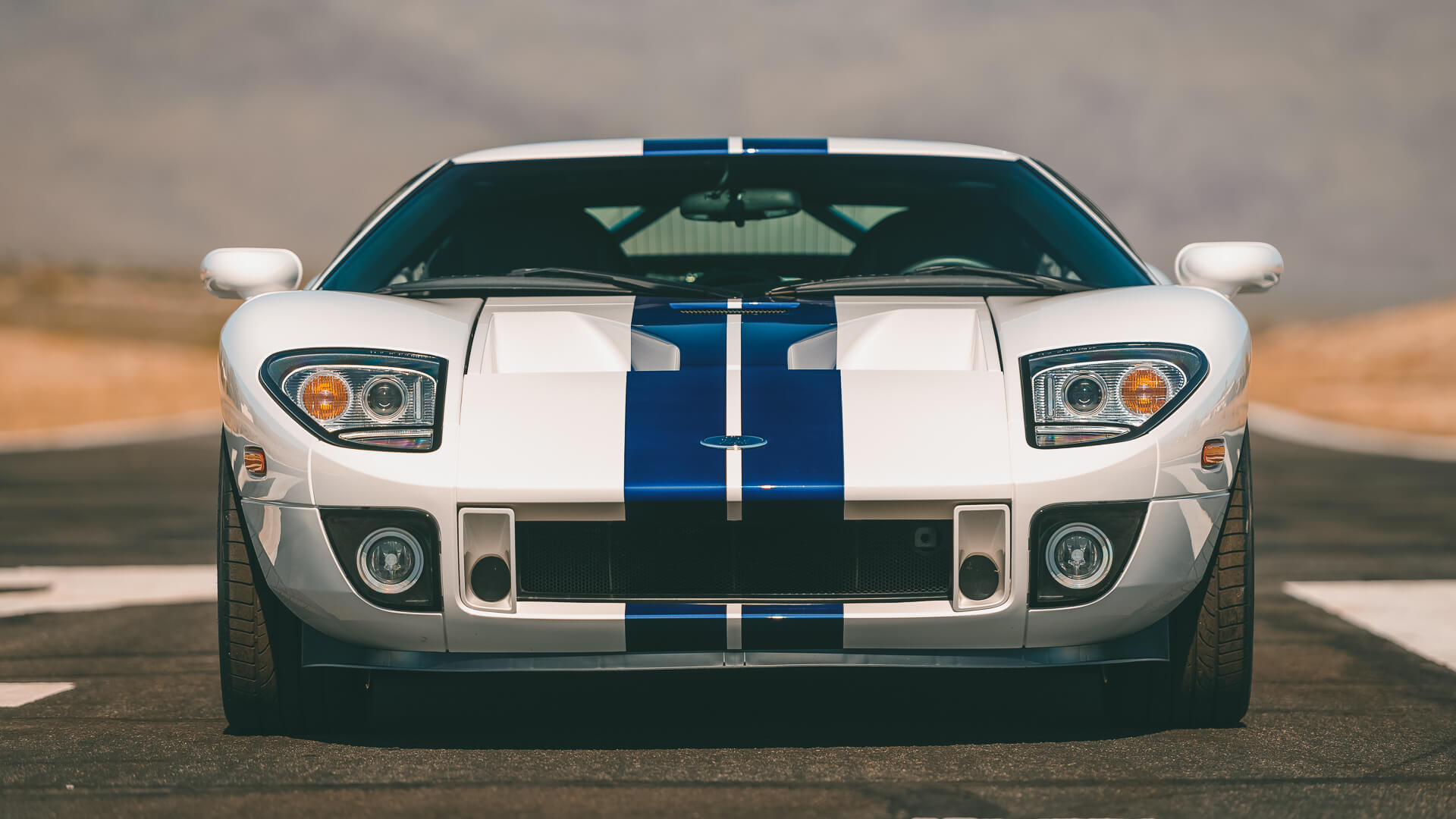 The term “rare cars” is about as loaded as a $4 million Lamborghini Veneno. Is it the low number of a particular model produced that makes a car rare? Or is it the price tag?

By any definition, it’s always fun to read about incredibly rare — and ridiculously expensive — hunks of metal. Here are some of the rarest cars in the world and how much they’re worth, according to car experts. Start your engine and click through to discover more about these rare cars. 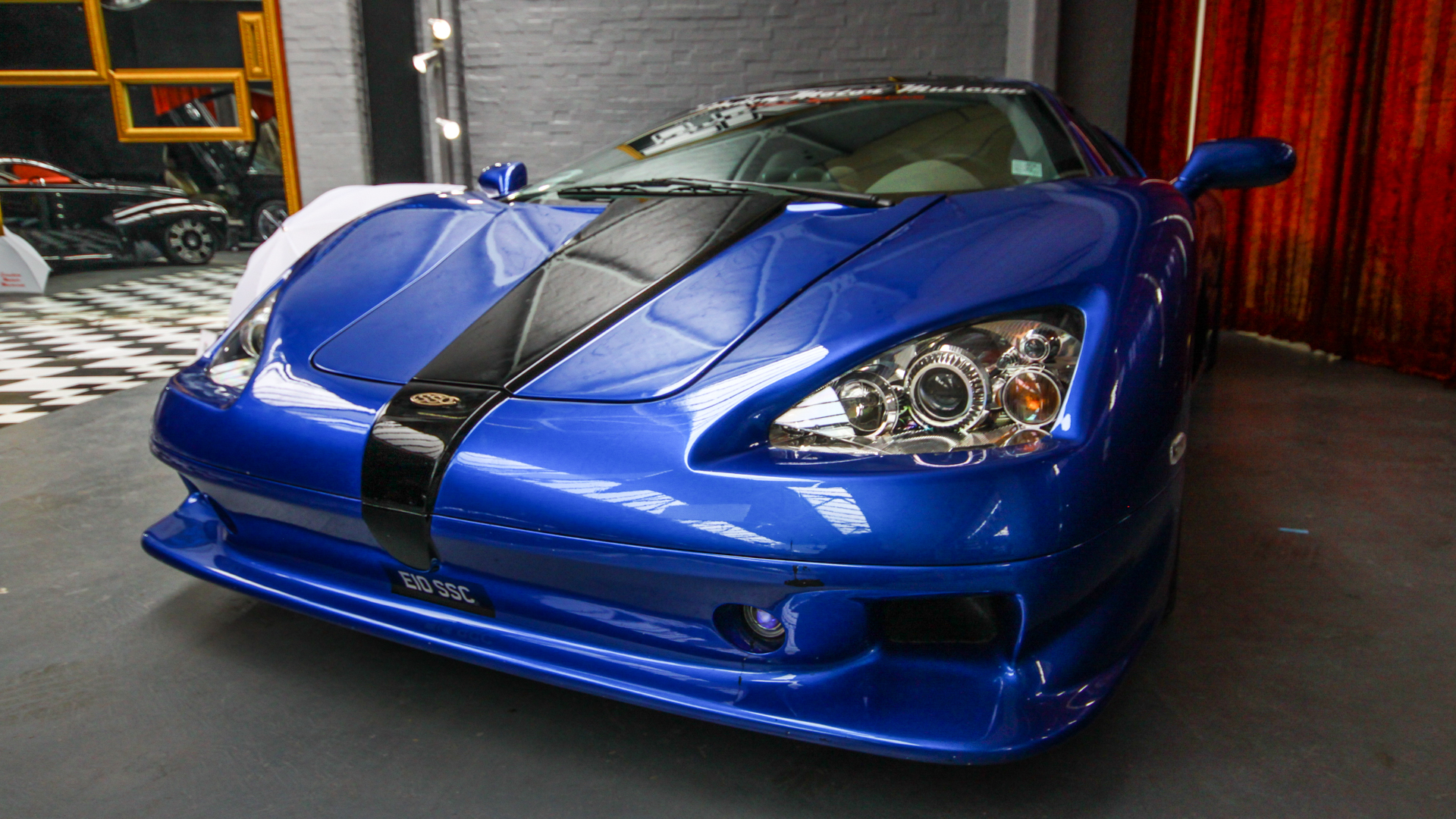 The Ultimate Aero was designed to break the 250 mph barrier and be named the fastest car in the world. Shelby Supercars (SSC) only made about 25 Ultimate Aeros, and its top speed is believed to be 273 mph. Powered by a modified Corvette engine that’s force-fed by a supercharger, the Ultimate Aero generates more than 1,000 horsepower. 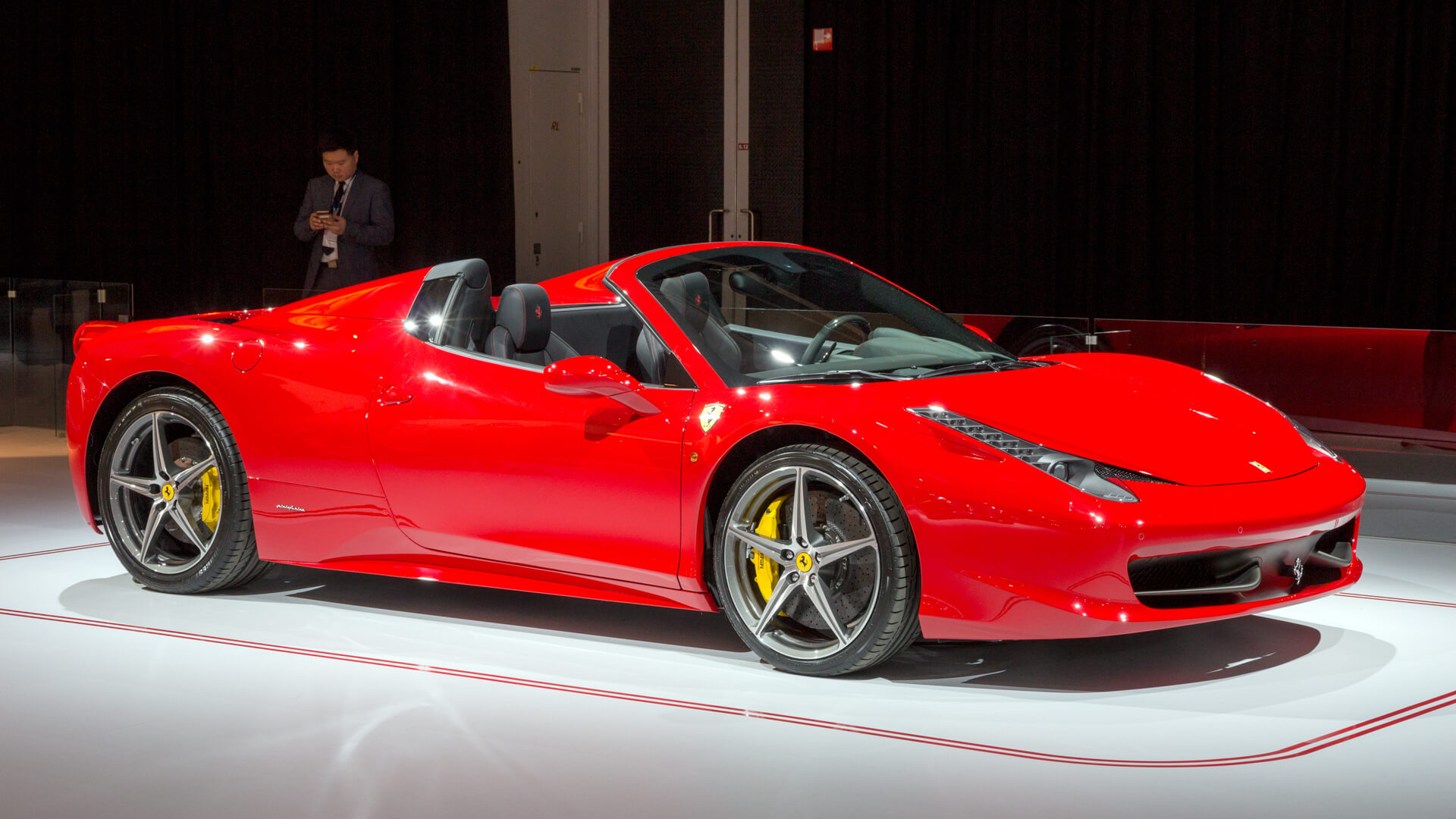 The successor to the 458 Italia, the Ferrari 488 GTB is Ferrari’s second attempt at turbocharging — the first was the California T. It’s powered by a 3902 cc twin-turbo V-8 engine that cranks out 661 bhp at 8,000 rpm, which can be achieved in seventh gear. It sports a LaFerrari-style front bumper and even though the engine is pared down, the 488 improves on every critical aspect of the beloved 458. 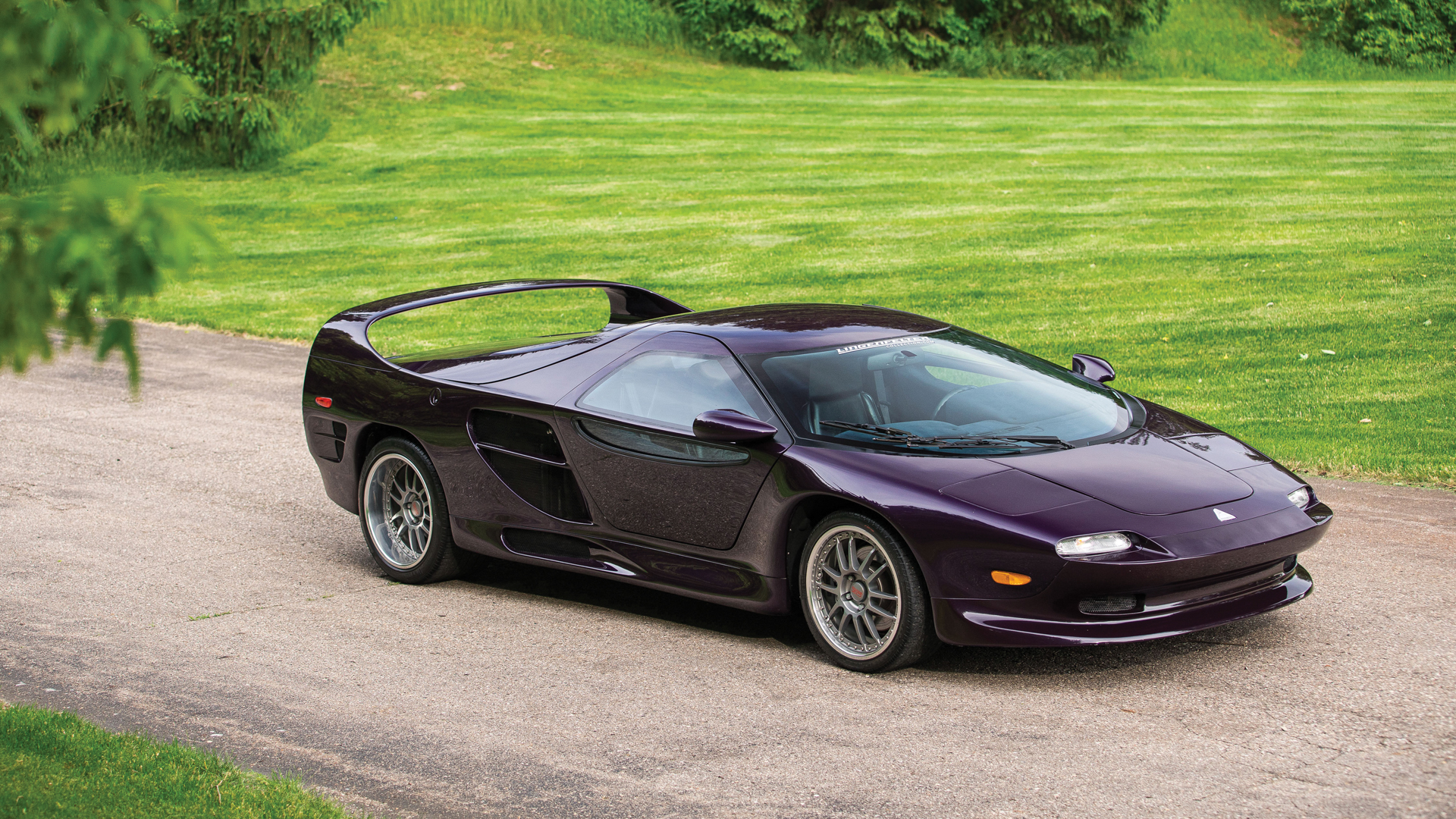 Only 14 Vector M12 supercars were ever built. When the prototype was unveiled at the 1996 Auto Show, it looked like a classic WX-3, but it was based on the modified chassis of a Lamborghini Diablo. The 3,600-pound beast’s 500 horses can rocket you from zero to 60 mph in less than five seconds. 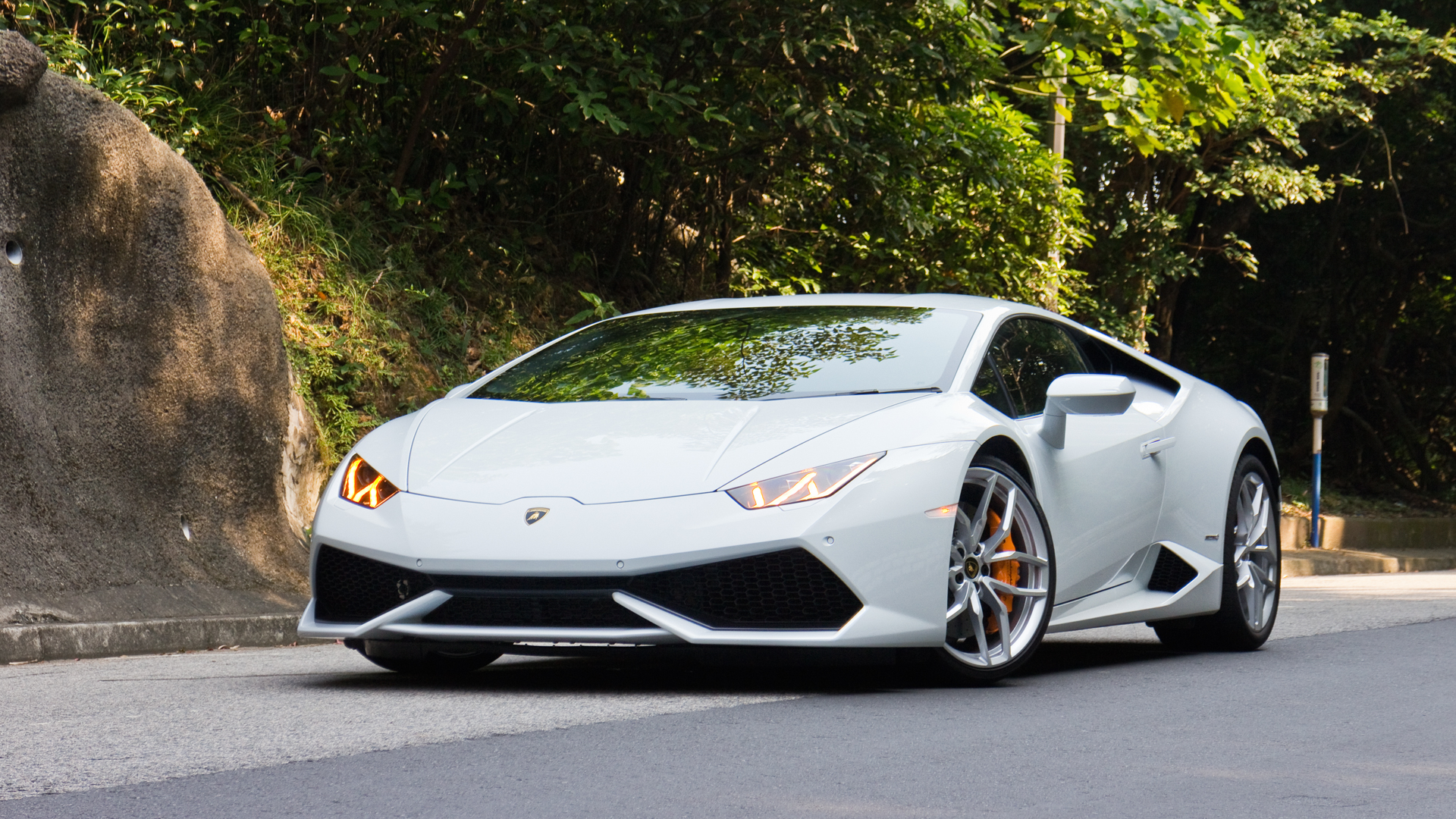 The 2014 Lamborghini Huracan was the long-awaited replacement for the vaunted Lamborghini Gallardo, and it made its debut just ahead of the 2014 Geneva Auto Show. With a top speed of 201 mph, the Huracan roars with 610 horsepower generated by a 5.2-liter V-10 engine. The supercar launches from zero to 60 mph in just 3.2 seconds. 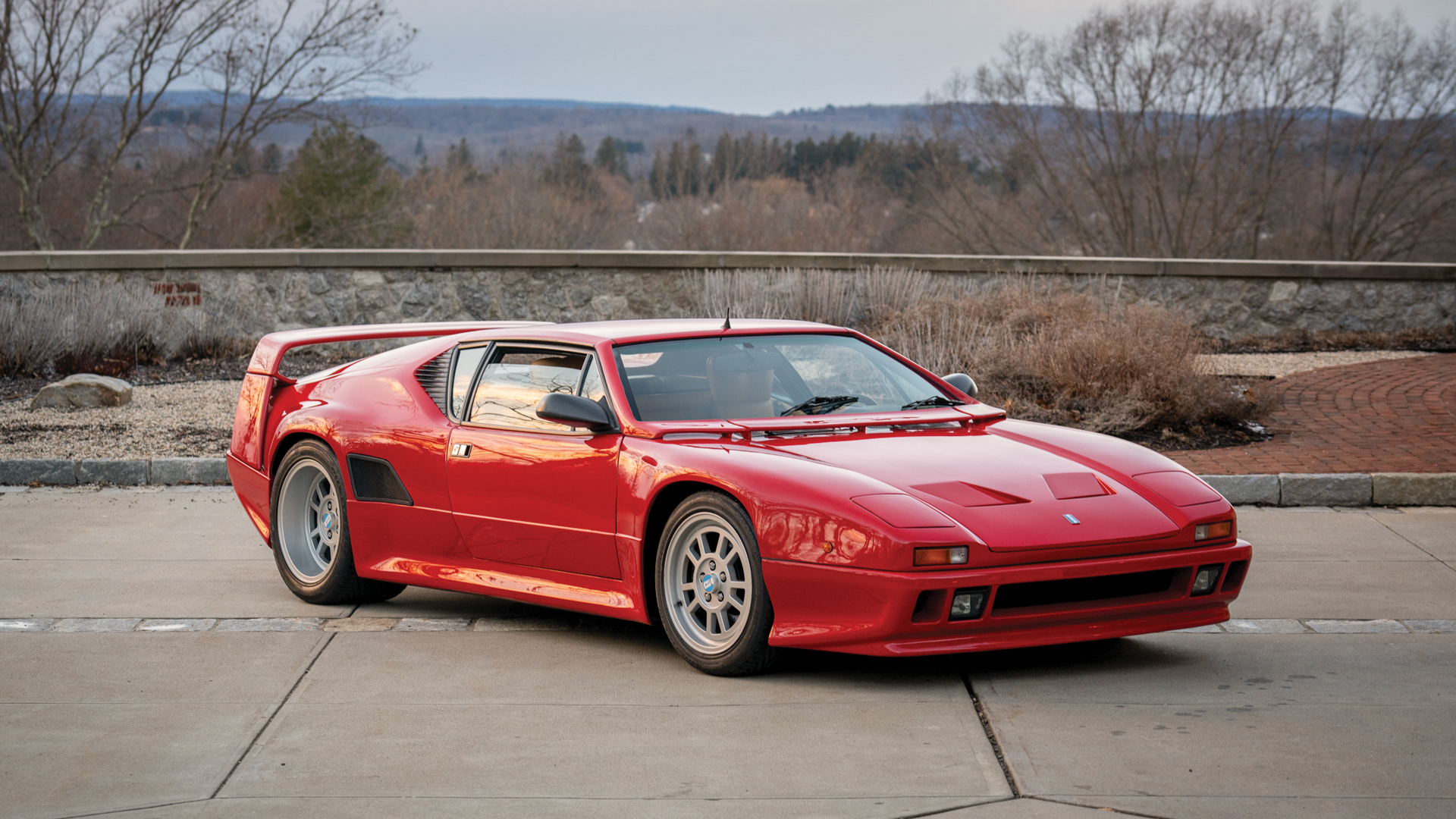 Although 41 De Tomaso Pantera Si sports cars were ever made, two were used for crash testing and one was reserved for a museum. This means only 38 were ever made available to the public — none were sold in North America. The result of a 1990 overhaul of the De Tomaso GT5, the Pantera Si is powered by a 5.0-liter, 305-horsepower Ford Mustang V-8 engine and reportedly tops out at 150 mph. 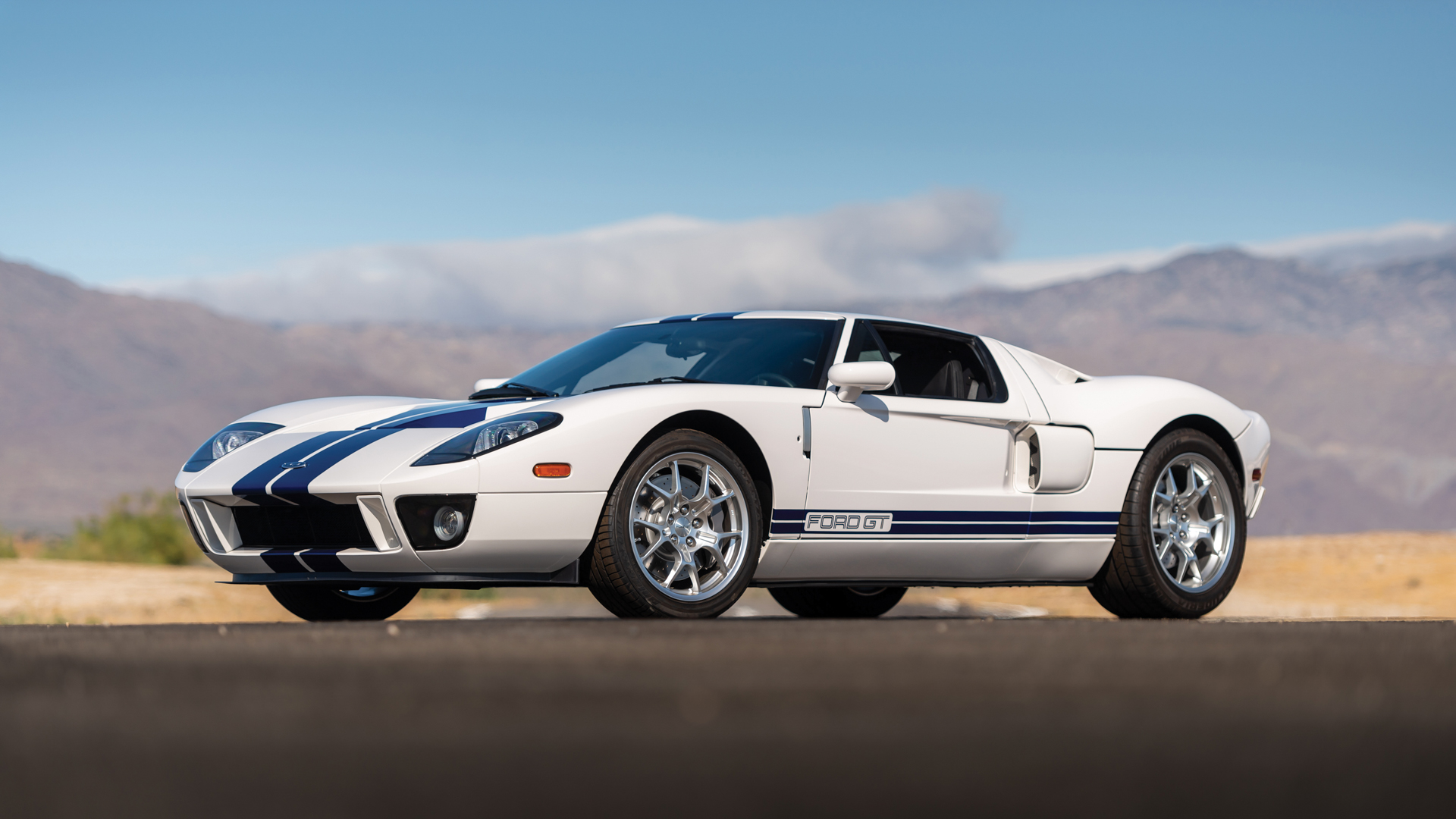 The Ford GT40 prototype, which would become the Ford GT, debuted at the North American International Auto Show in 2002. Only around 4,000 of them were made, 2,027 of which are from model year 2005. The supercar stands 43 inches tall and was built in honor of the GT40, which gobbled up Le Mans trophies decades earlier.

Related: What the Most Iconic American Cars Cost Then vs Today 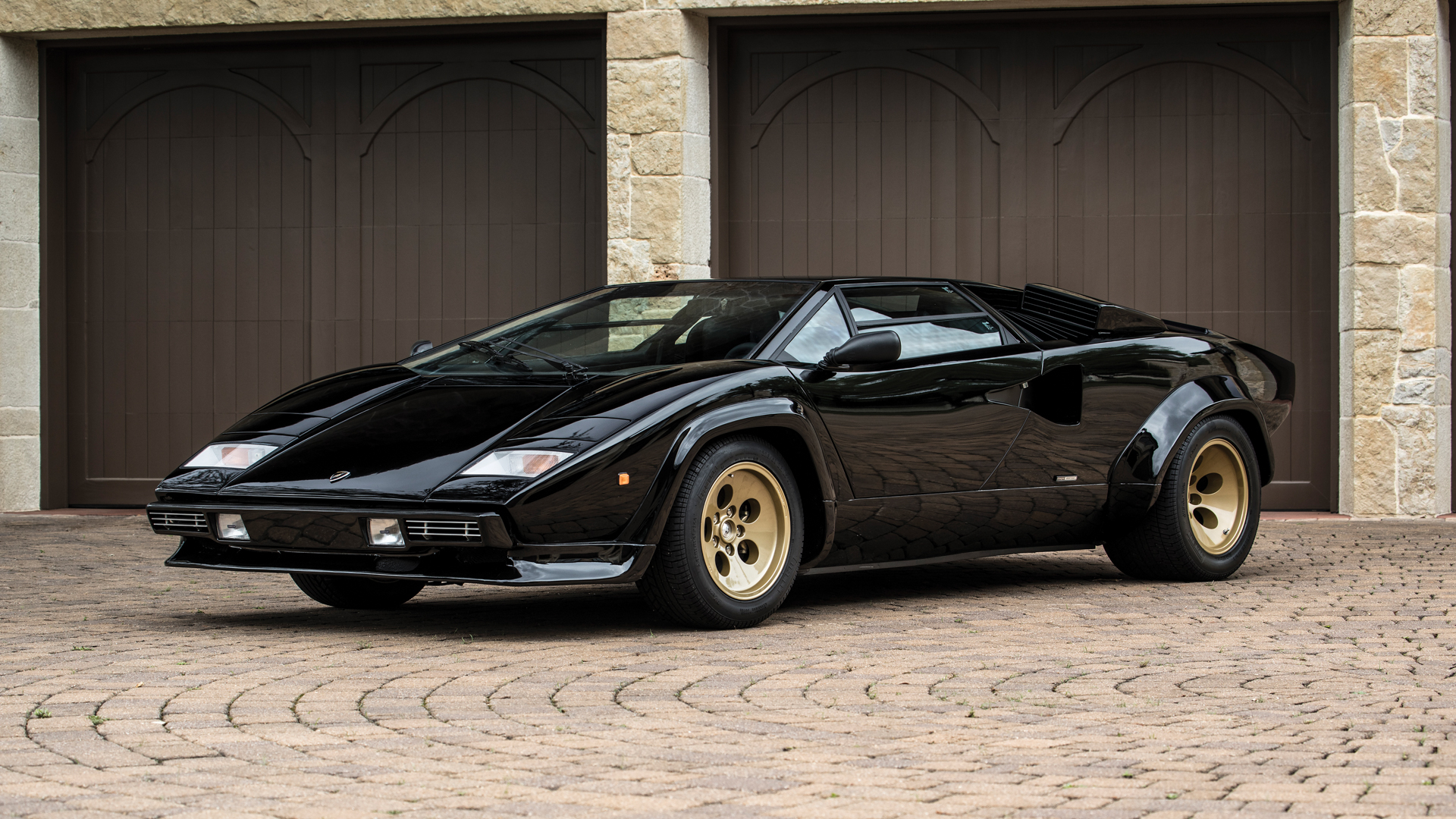 With just 321 ever built, the 1984 Lamborghini Countach LP500 S by Bertone is an even more exotic version of the iconic Countach, which wowed the auto world when Lamborghini unveiled its prototype in 1971. Its massive 4,754 cc, 375-horsepower engine can take it up to 160 mph. 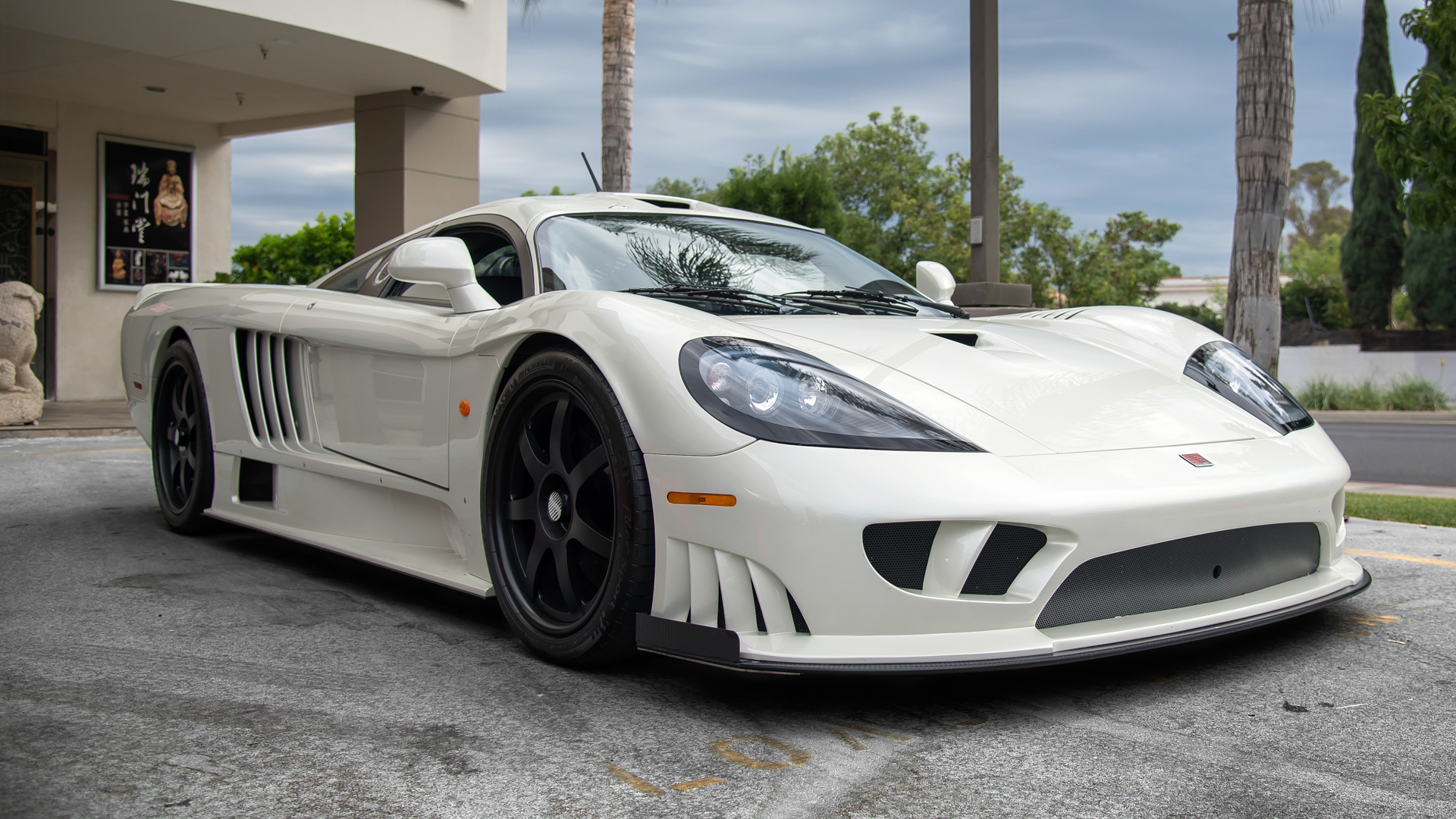 In the early 2000s, the Saleen S7 debuted as a supercar that could top 220 mph. In 2005, it got an upgrade in the form of twin turbochargers added onto its 7.0-liter Ford Windsor OHV V-8 engine. The new car got a new suffix, as well: Saleen S7 TT, for “twin-turbo.” One of the fastest production cars on earth, its 750-horsepower engine can take it all the way up to 248 mph and it races from zero to 60 mph in just 2.8 seconds. 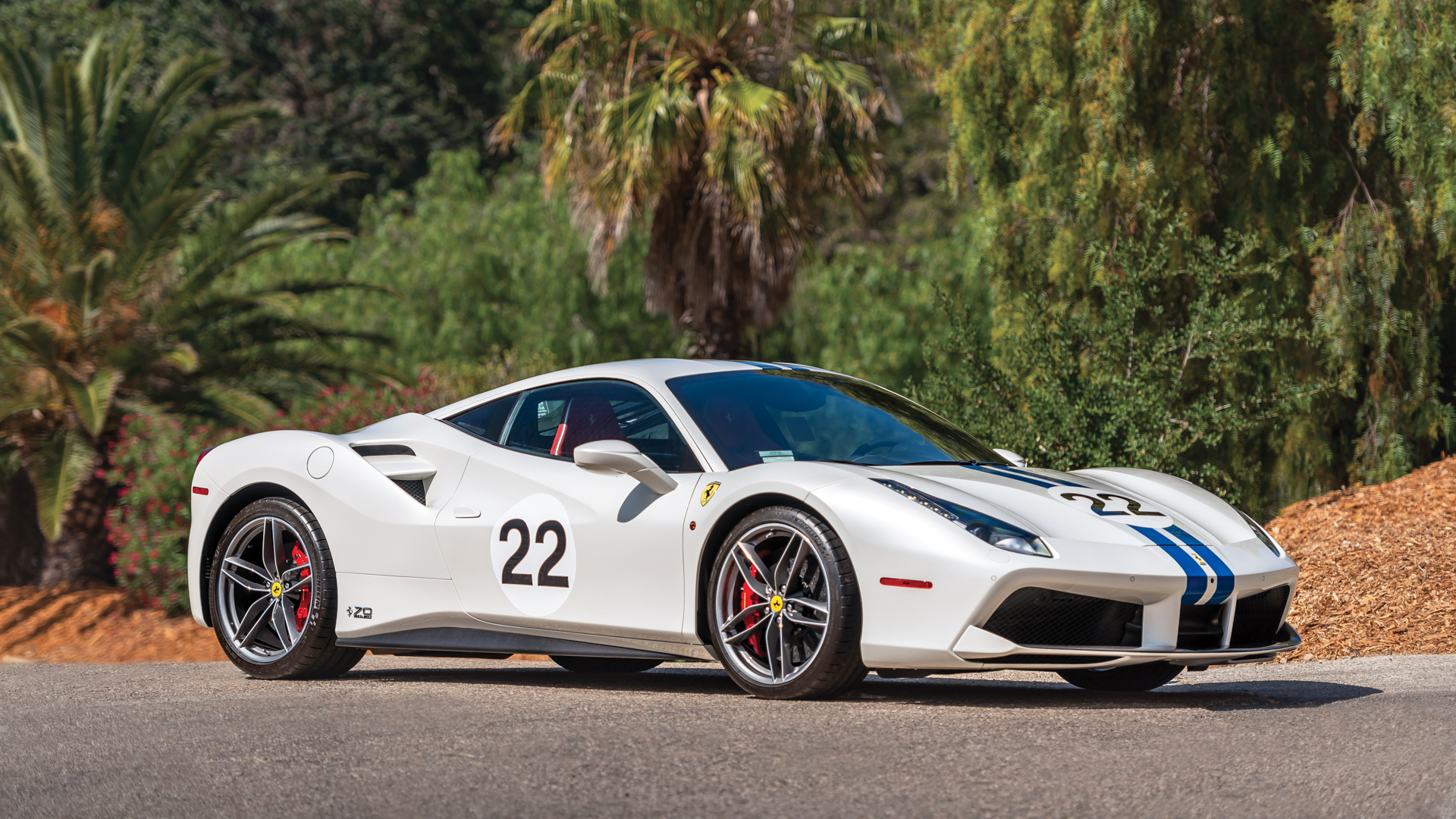 Inspired by the iconic 250 Testa Rossa, the 2018 Ferrari GTB 70th Anniversary collector’s edition car is part of 70 liveries that were made available on the GTC4 Lusso, 488 Spider, 488 GTB, California T and the F12 Berlinetta. The GTB livery is known as the Lucybelle, and it includes ultraluxe materials and craftsmanship — high-end even by Ferrari standards — like 20-inch forged diamond rims. 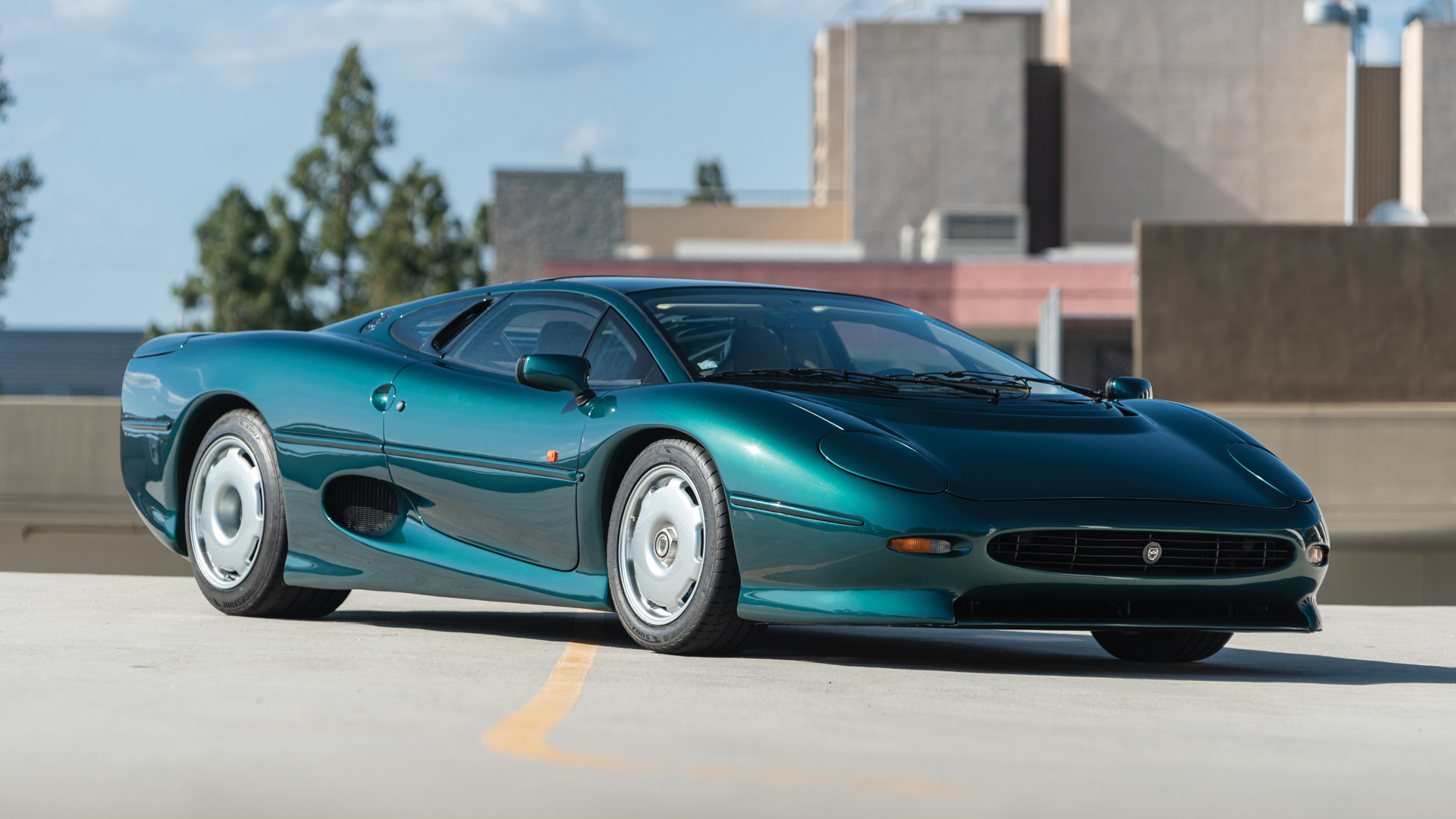 Jaguar built only about 280 XJ220s between 1992 and 1994, although it unveiled the prototype to incredible fanfare in 1988. It was the successor of the C-Type and D-Type Jaguars from the 1950s, which were famous for winning multiple Le Mans competitions. The legendary Jag’s 3.5-liter, twin-turbo V-6 engine was designed for speed, and F1 driver Martin Brundle took it up to 217 mph in track testing. About 1,500 people placed orders and put down deposits, but only a select few were chosen to own one. 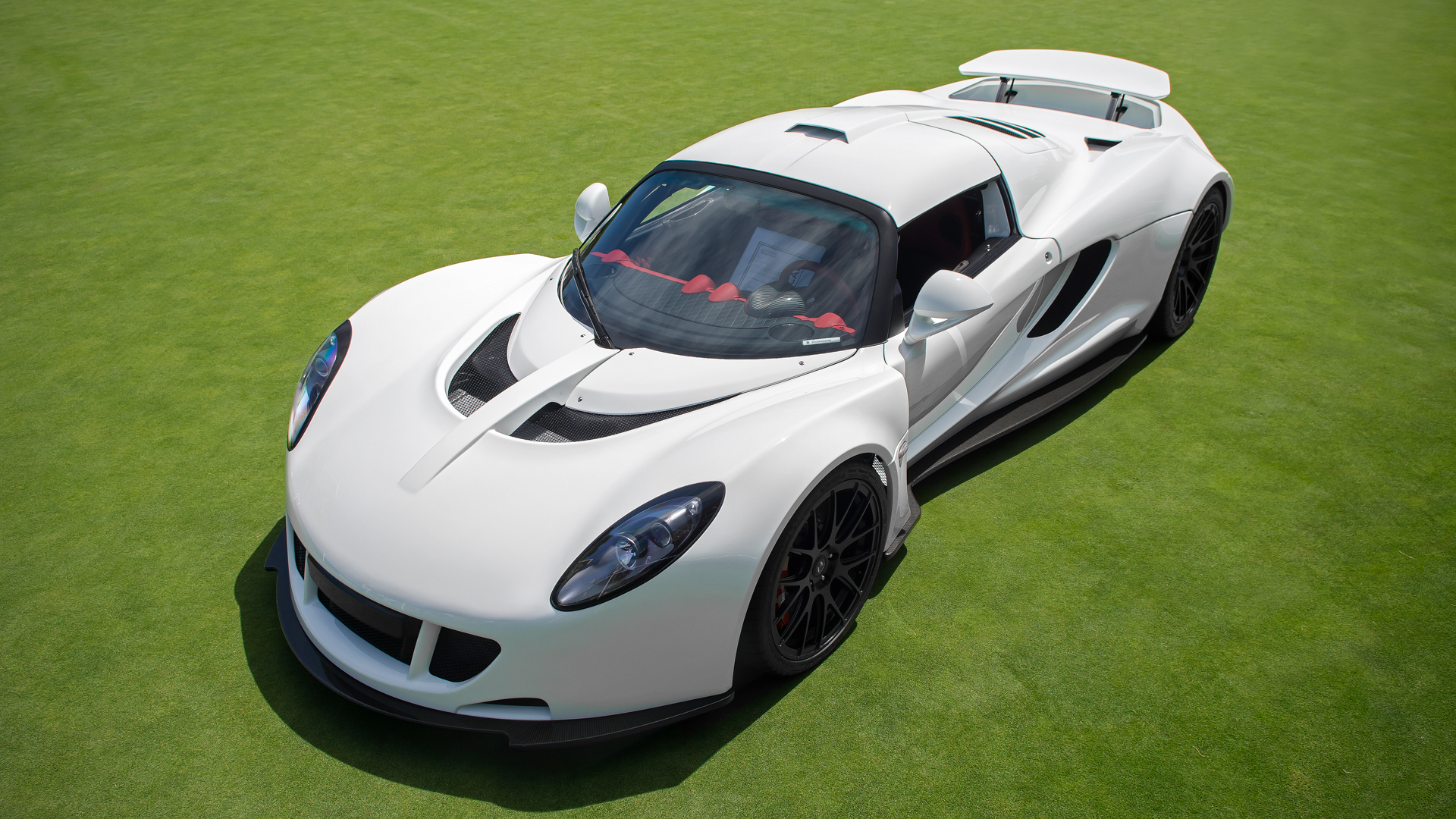 The 2011 Hennessey Venom GT owns the space where F1 and road cars overlap. Built for function over form, it replaces metal with carbon fiber wherever possible to keep precious pounds off the supercar’s light, sleek body — it weighs in at less than 2,685 pounds. The power comes from a 6.2-liter supercharged LS9 V-8 engine, which produces 725 horsepower. Graduate to a twin-turbocharged V-8, however, and you’ll be working with as much as 1,200 bhp. 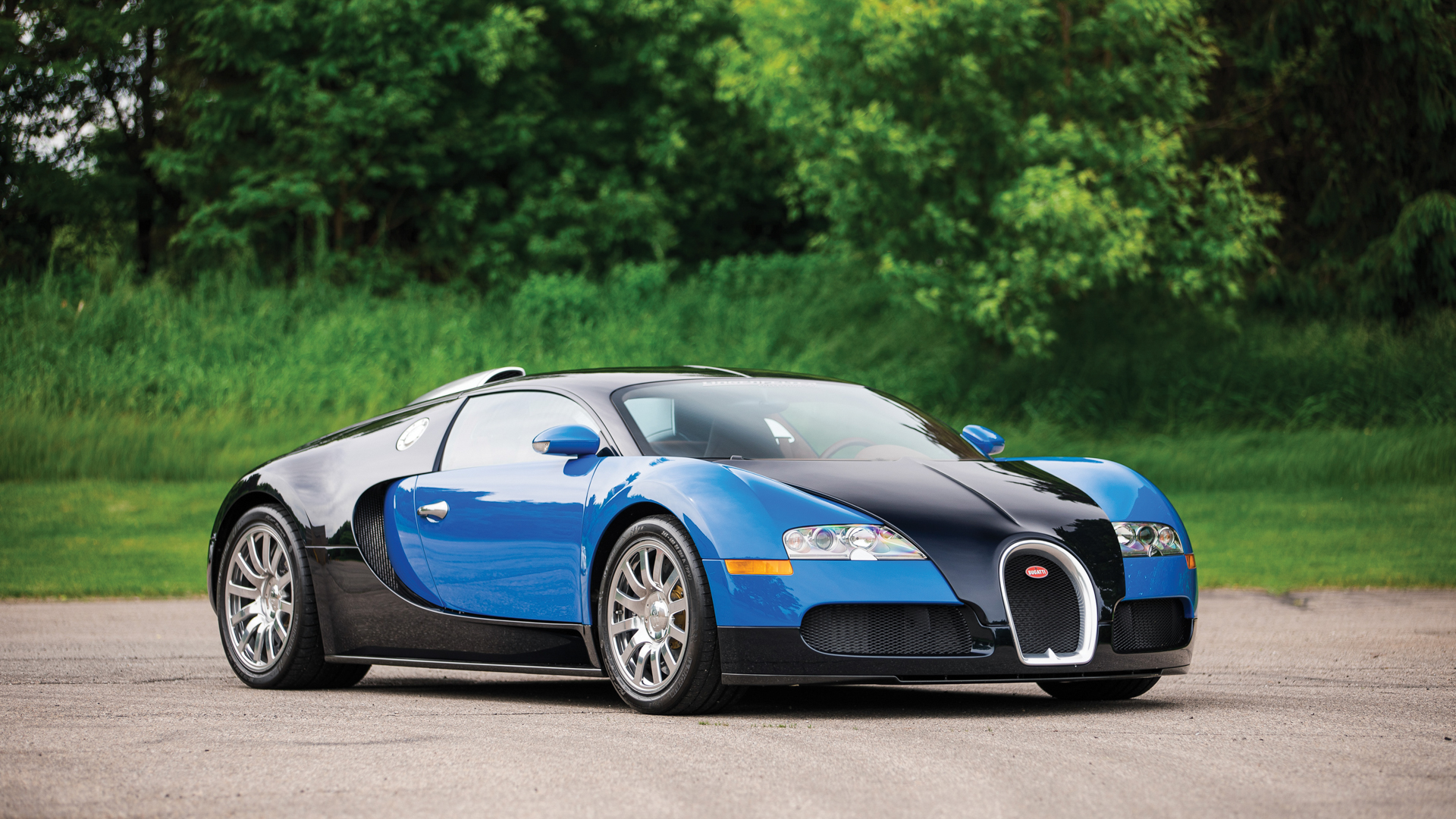 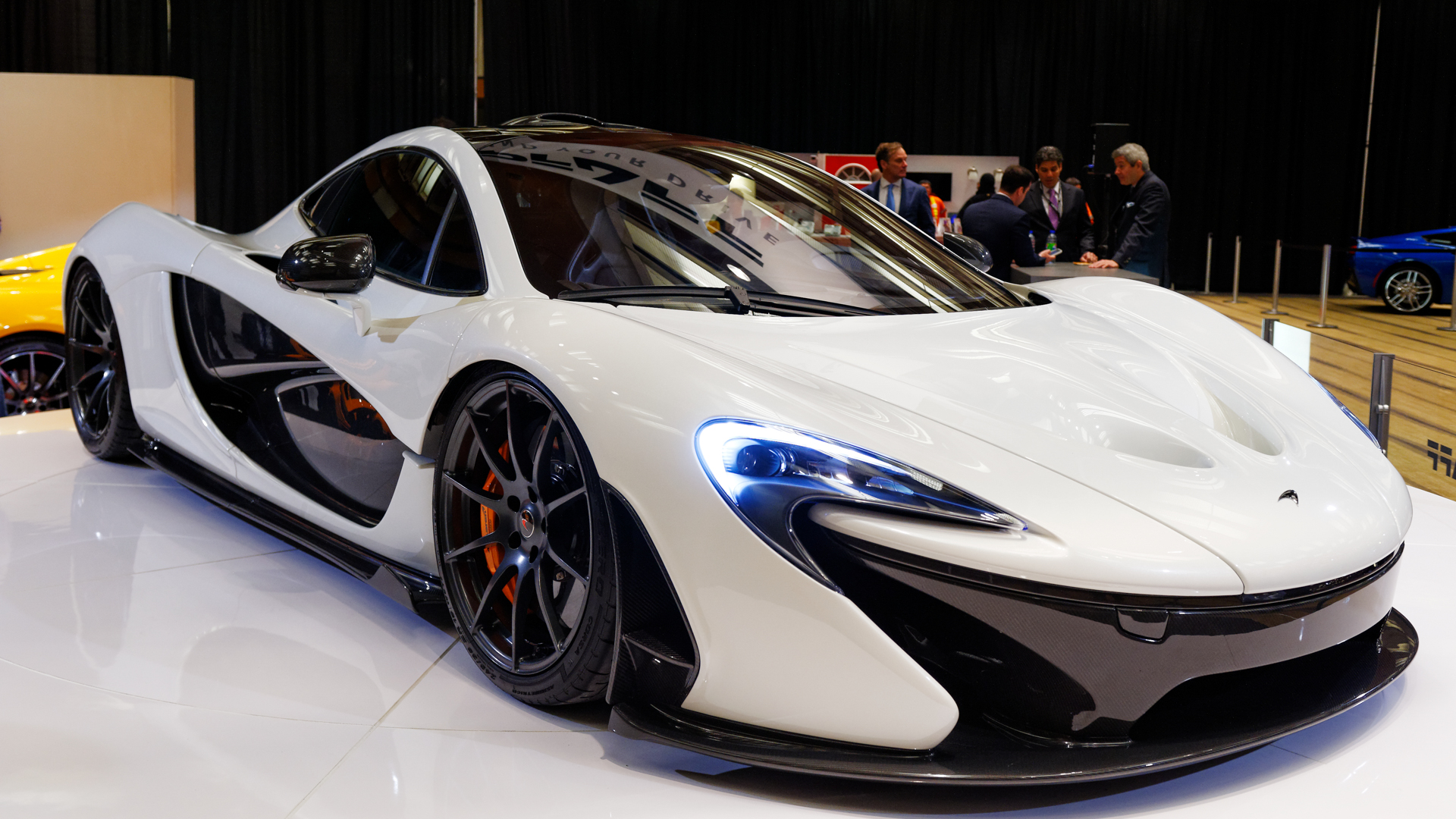 The successor of the famous F1, the 2014 McLaren P1 races from zero to 60 mph in less than three seconds thanks to a 903 horsepower engine — it can reach 186 mph in under 17 seconds and tops out at 217 mph. It can move on electric power alone for 6.2 miles, relying on a liquid-cooled, 324-cell battery that can be charged either with a wall plug or by the electric motor upon deceleration. Only 375 were made.

Read: 16 Unexpected Car Costs and How To Prepare For Them Now 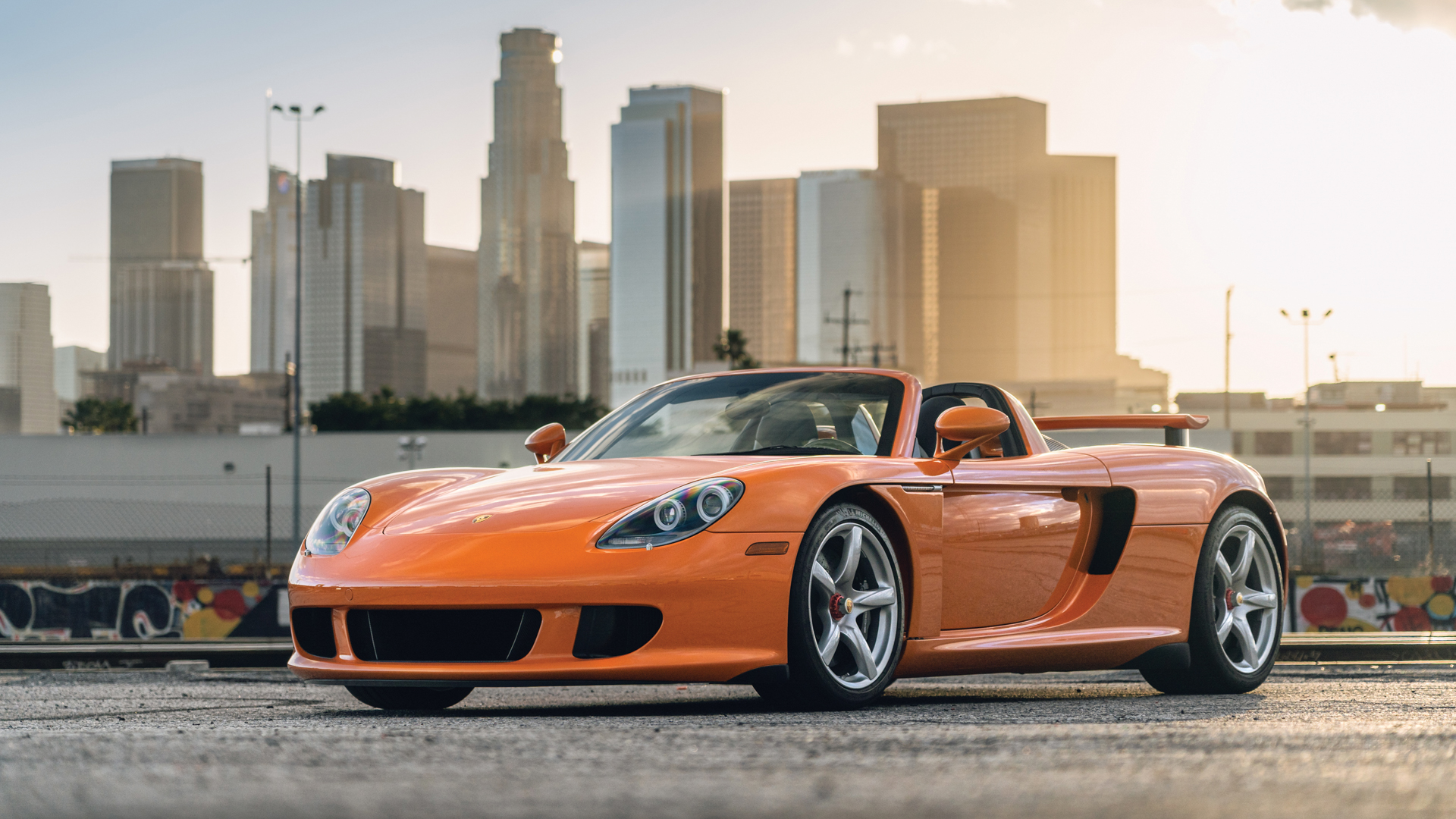 Weighing in at a light 2,755 pounds, the Porsche Carrera GT goes from zero to 60 mph in just four seconds and tops out at around 200 mph. That’s all thanks to its 5.7-liter V-10 engine, which uses four valves per cylinder to muster up 605 horsepower — it screams with an 8,400 RPM redline. It’s not, however, only a racing car. Its interior features Bose sound, effective climate control and other luxury features found in true road cars. 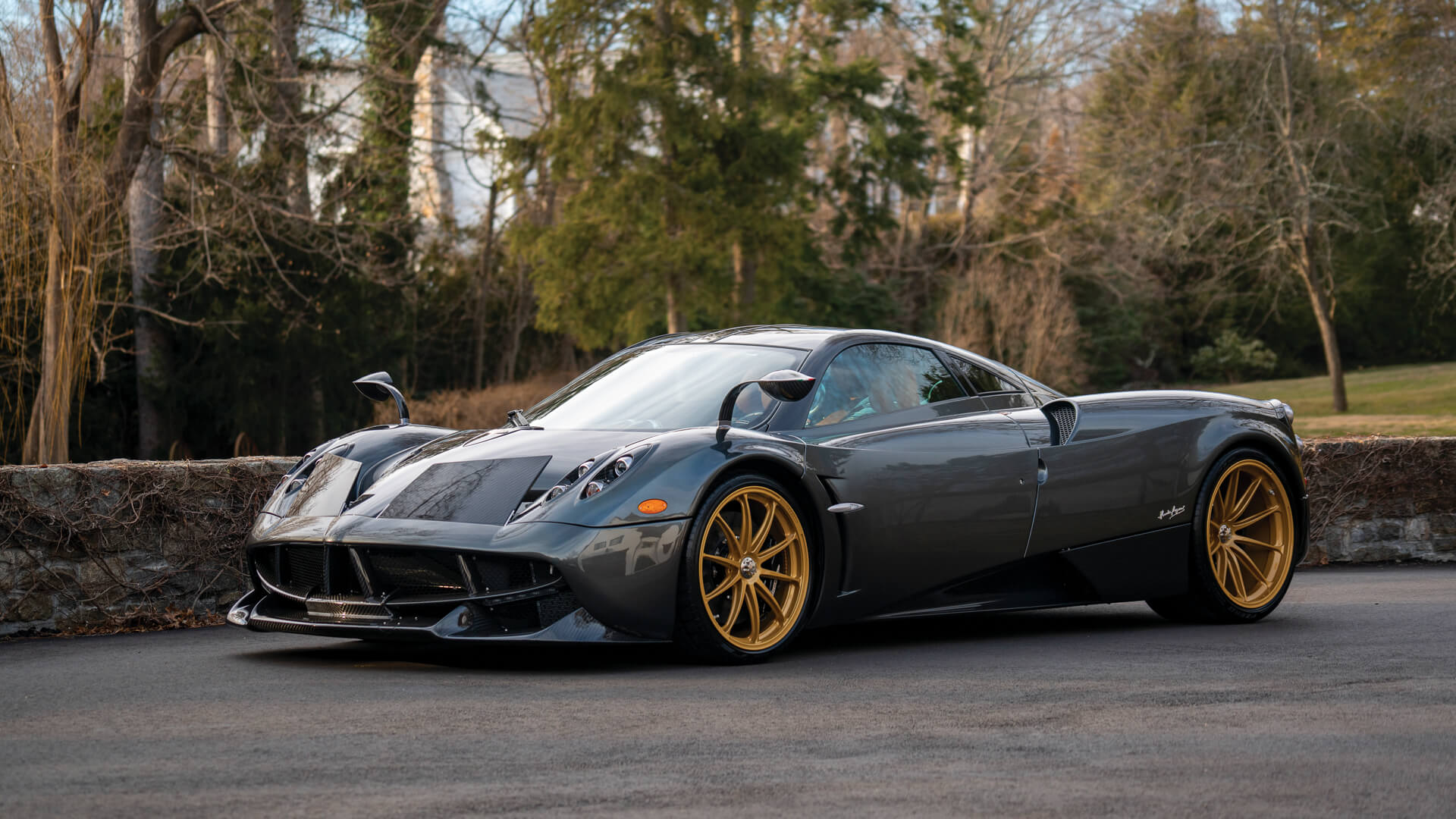 The 2014 Pagani Huayra Tempesta “Scozia” is so powerful that it requires active aerodynamics to keep it under control on the road — four computer-controlled, independently operating flaps adorn the corners of the car to reduce drag. That modification was the only way to corral the beastly 6.0-liter, V-12 engine, which generates 730 bhp and an absolutely savage 1,000 Newton-meters of torque. 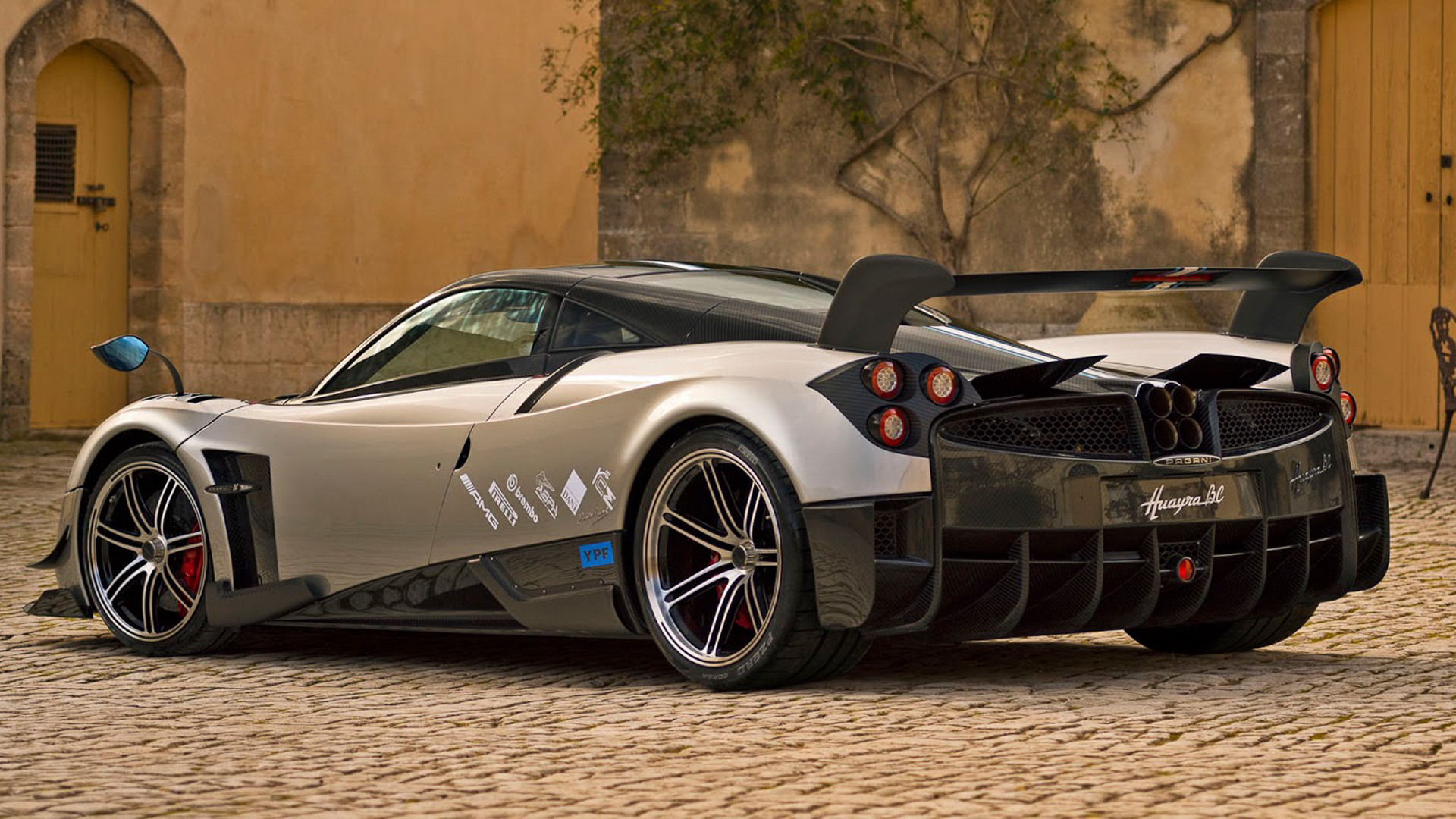 The 2017 Pagani Huayra BC is an engineering tour de force, said McElroy. And only 20 units were made, according to AutoGuide.com.

“The carbon fiber used on the bodywork is a unique formula that’s 50 percent lighter than regular carbon fiber. And, it can hit 0 to [approximately] 60 mph in 2.8 seconds,” he said. 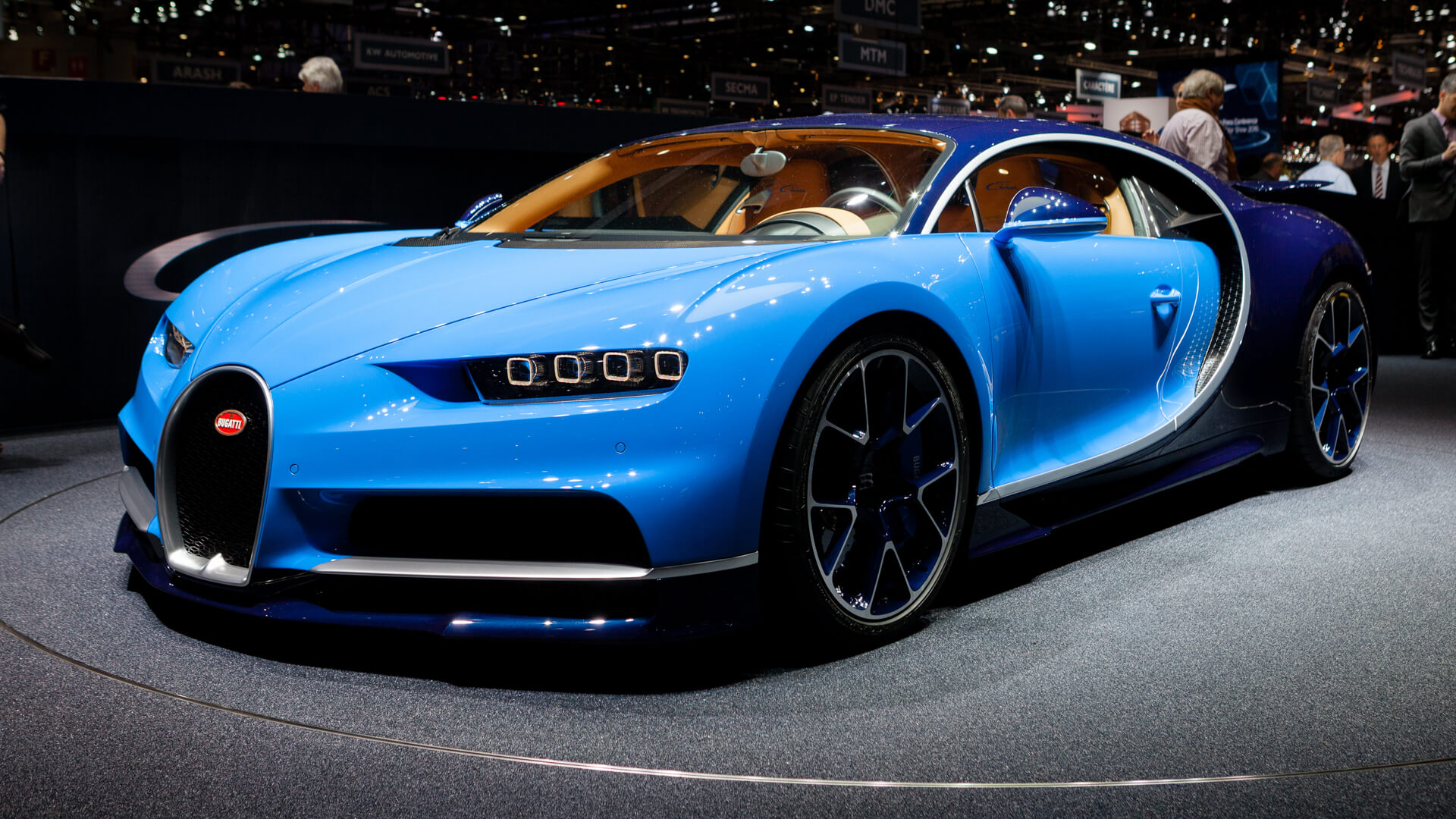 Since 2005, the Bugatti Veyron had been the king of performance and acceleration, owning the bragging rights to nearly every automotive aspect worth bragging about. In 2016, however, it was finally outdone — by one of its own. The 2016 Bugatti Chiron is powered by an 8.0-liter W16 engine with a seven-speed dual-clutch transmission and all-wheel drive. The outside, however, is just as impressive as what’s under the hood. The car oozes luxury, with a cooled glovebox, plus switches, panels and buttons crafted from carbon fiber, chrome and real silver. 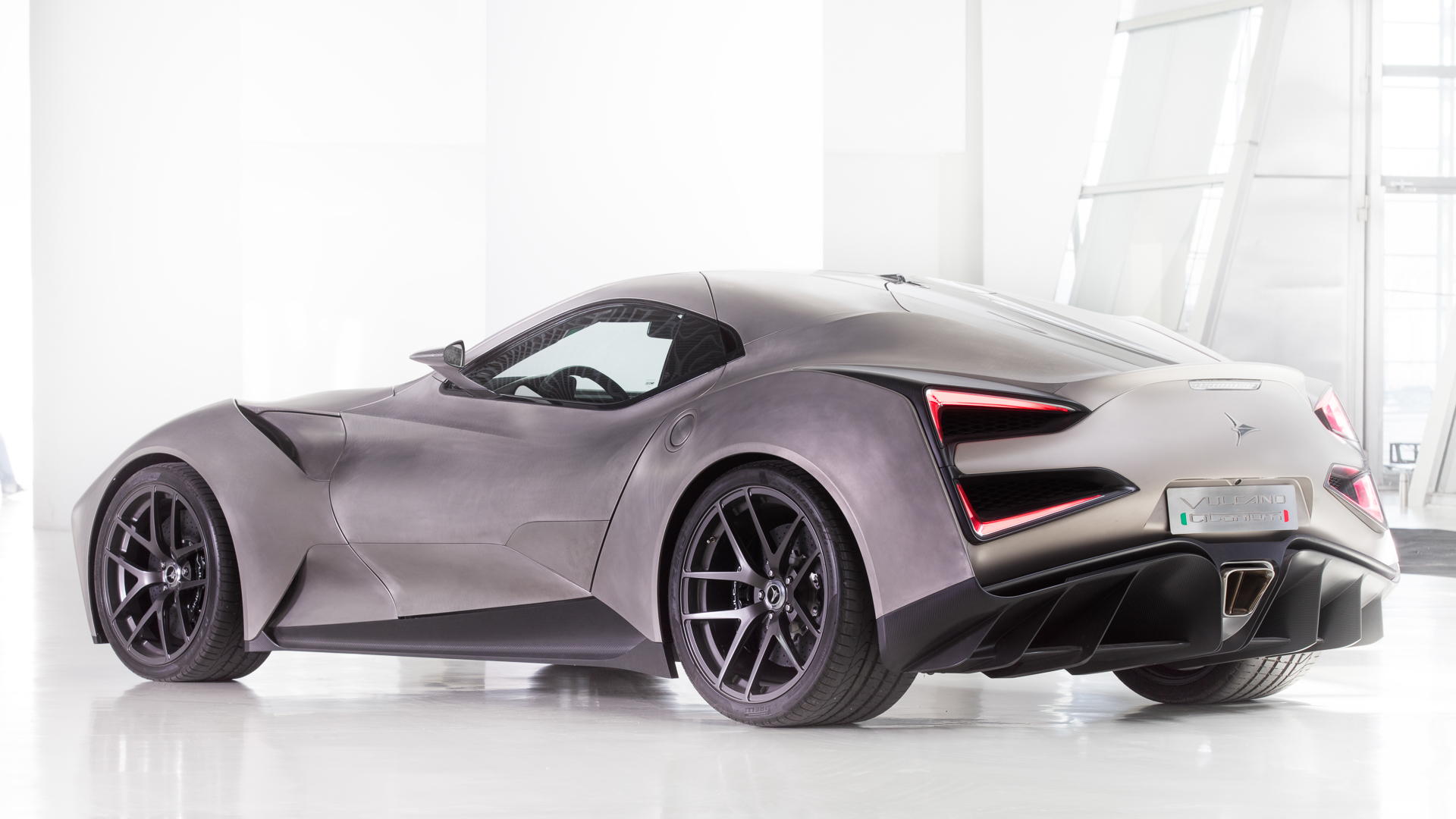 The Icona Vulcano Titanium is a one-off supercar with a body built from titanium and carbon fiber.

“The body was hammered by hand over the course of 1,000 hours,” said Dmitriy Shibarshin of West Coast Shipping, which specializes in the care and shipping of rare, classic and expensive cars.

This track car garnered attention when it dropped a number of years back.

“It was the swan song to the already-outrageous Zonda,” said Shibarshin. “Weighing just under 2,400 pounds, this track monster produces 800 horsepower.”

It’s also incredibly rare. In 2013, Digital Trends reported that Pagani planned to build only five of these cars. 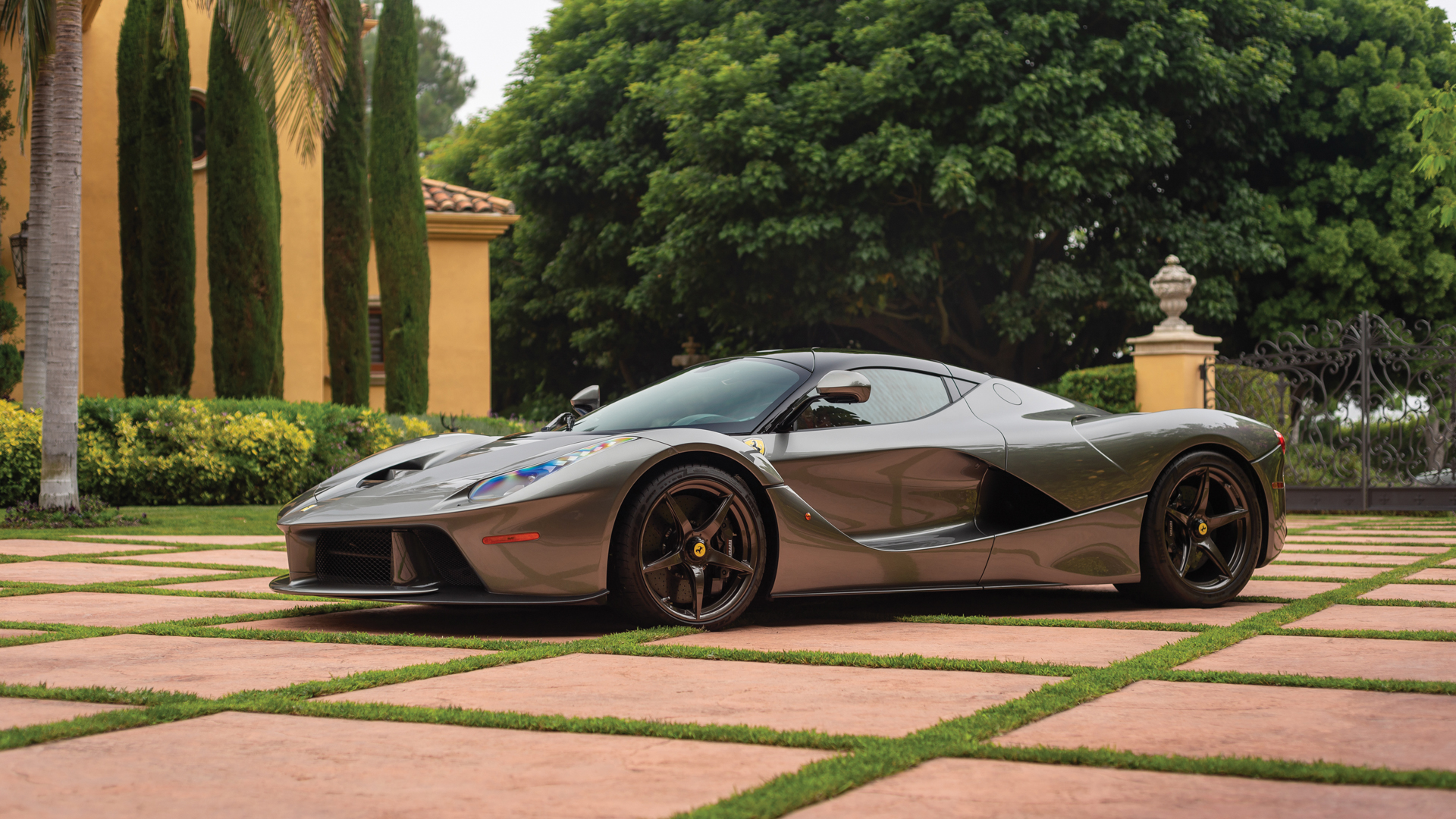 The wedge-shaped Ferrari LaFerrari is the famous Italian automaker’s very first hypercar with an F1-inspired hybrid powertrain. Only 499 were built. They run on the Formula One Kinetic Energy Recovery System (KERS), which harnesses and stores kinetic energy built up from the brakes and then delivers it to the massive V-12 engine. The extra boost in power adds 161 brake horsepower (bhp) to the 6.3-liter engine’s 789 bhp for a grand total of 949 bhp.

Take a Look: 30 Cars With the Highest Resale Value 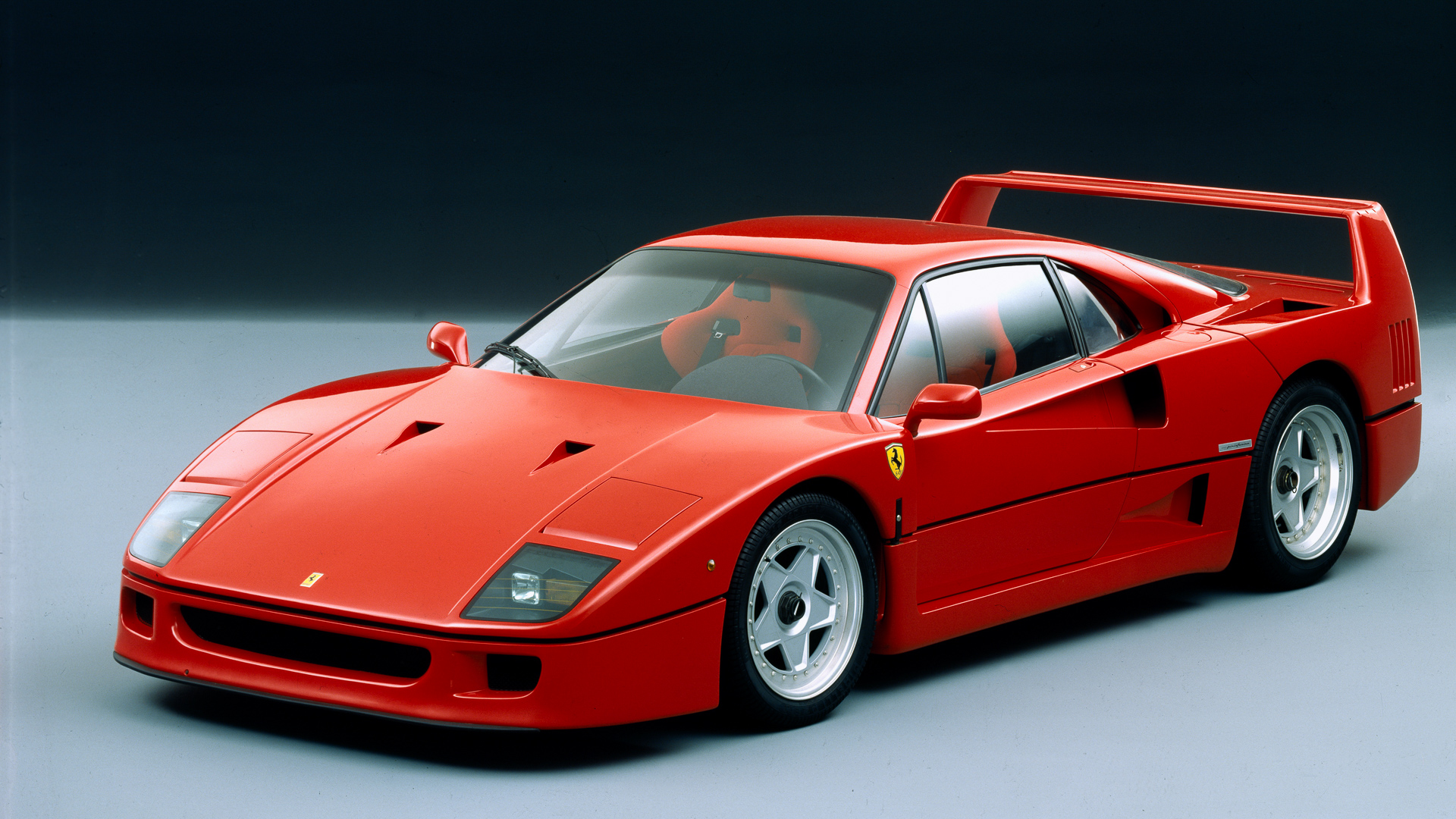 Based on the legendary Ferrari F40, the Le Mans (LM) edition took away the extra weight and added the power, said Shibarshin. According to Sotheby’s, only 19 of these beauties were built, making it one of the rarest cars in the world. 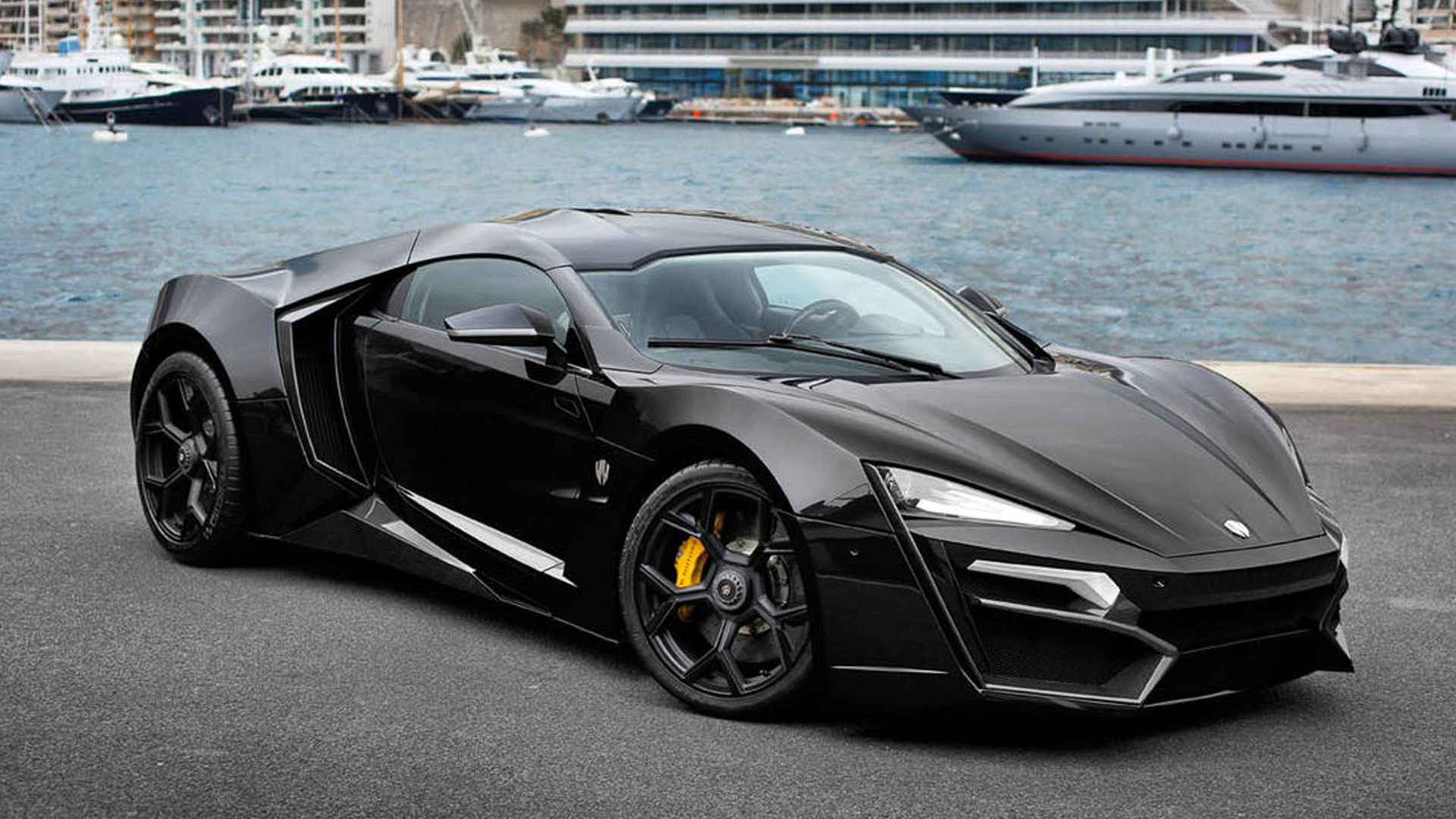 If you’ve seen “Furious 7,” you might recall watching this car smash through skyscrapers, Road & Track reported. Deemed the “first Arab supercar” by W Motors, the Lykan Hypersport costs $3.4 million, reported CNN. It can go from 0 to 62 mph in 2.8 seconds and has a top speed of 240 mph.

“Your $3.4 million will also buy you a leather interior stitched with gold thread, a 3D infotainment system that can generate [holographs] and LED headlamps encrusted with diamonds,” said McElroy. “It’s also limited to only seven models.” 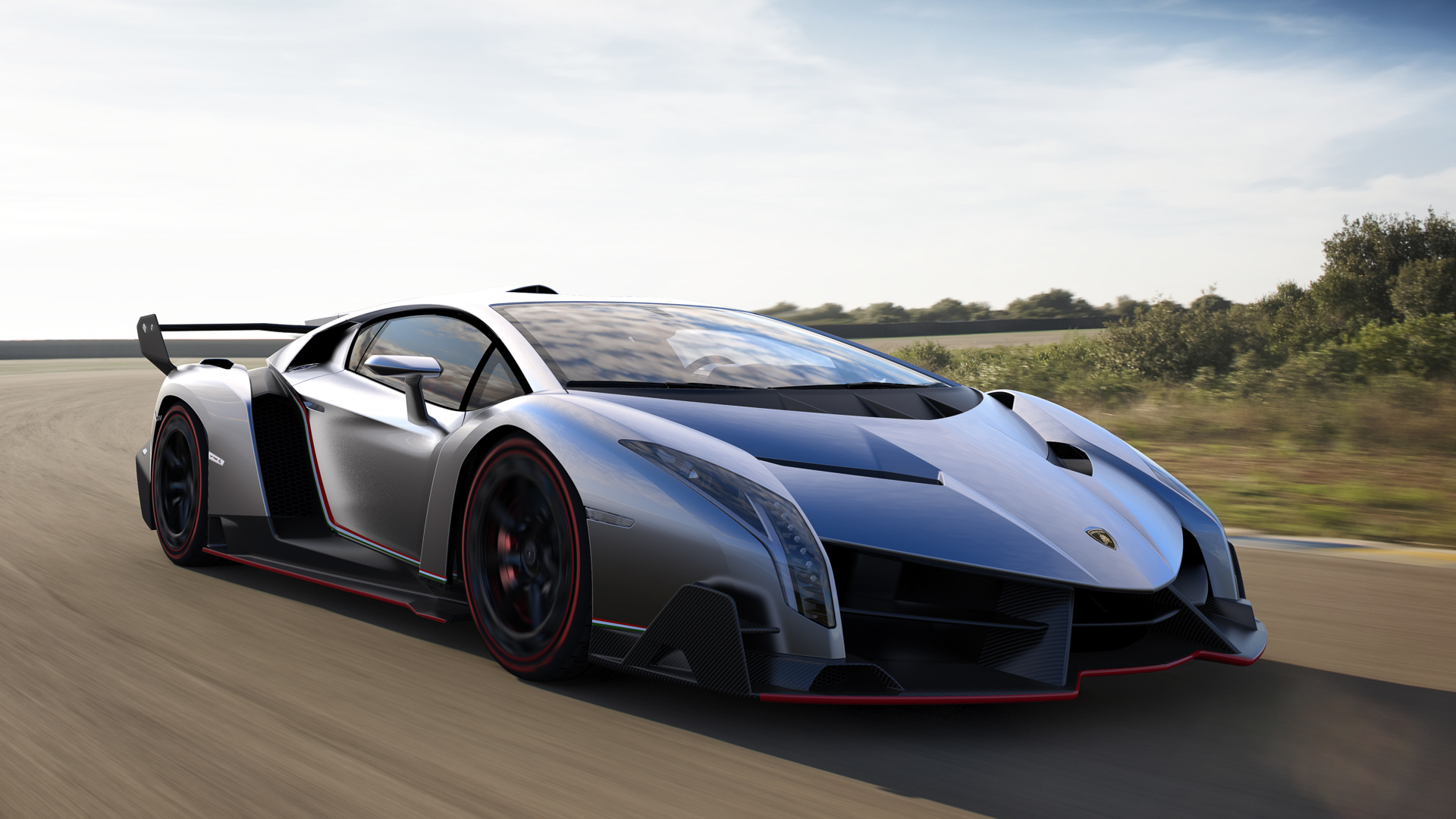 Want to buy your dream car? Does it happen to be this Lamborghini? If so, you’d better start saving.

Named after a fighting bull from the 1900s, the Veneno was produced in honor of Lamborghini’s 50th anniversary and costs nearly $4 million, reported USA Today in 2013.

“The Veneno is a serious piece of kit,” said McElroy. In other words, Lamborghini created an impressive piece of machinery.

The Veneno has a carbon-fiber, lightweight design and is “consistently focused on optimum aerodynamics and cornering stability,” according to the Lamborghini website. When the car made an appearance at the Geneva Motor Show in 2013, multiple sites noted that the Veneno has 750 horsepower and a top speed of 220 mph. 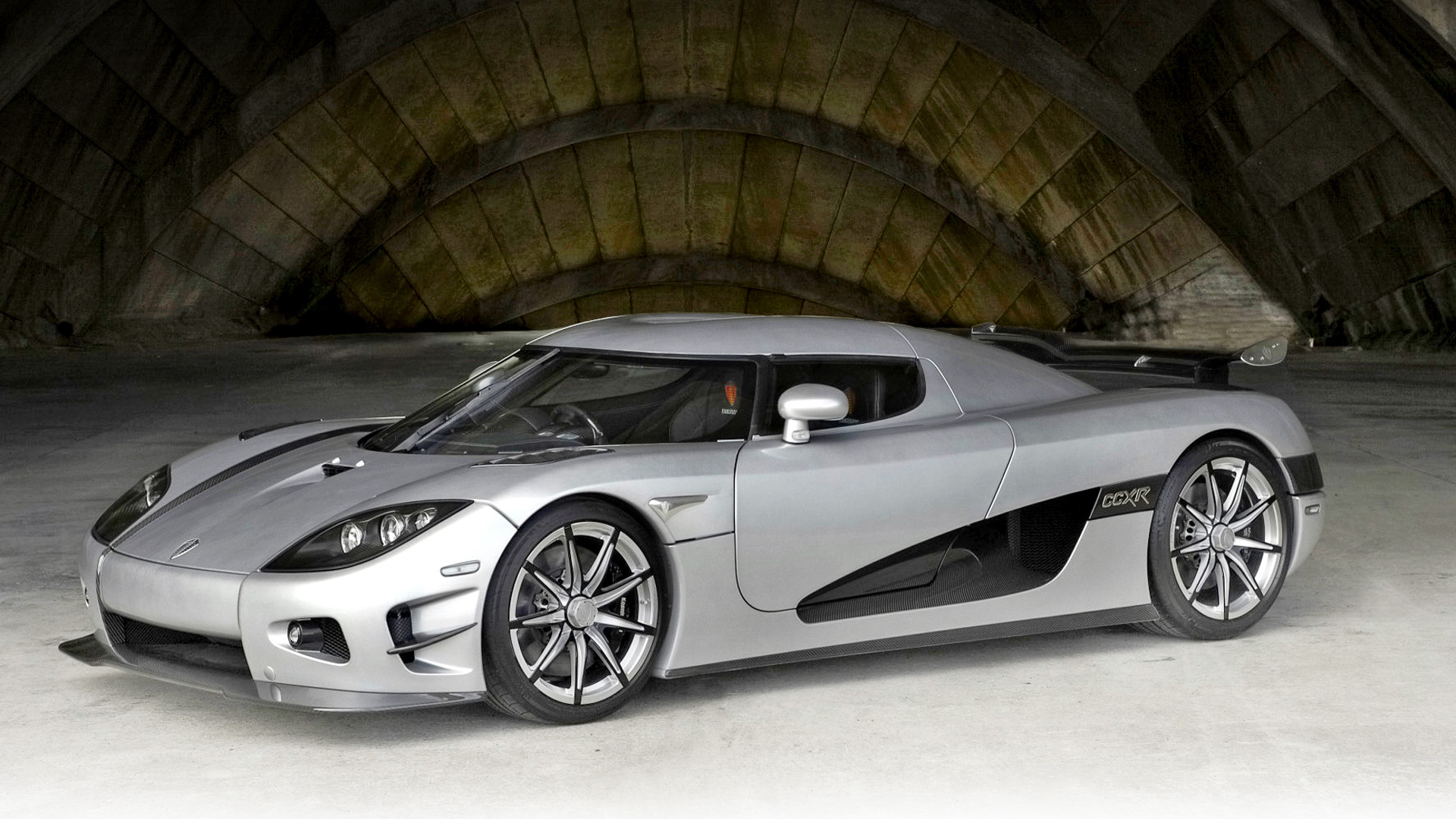 Just when you thought the CCXR couldn’t get any cooler, along comes the limited-edition Trevita, said auto journalist Ryan McElroy of Car Keys, a car consumer information site.

“The CCXR Trevita uses white carbon fibers designed to shine like a million diamonds when the light hits the car,” he said. The fiber was made specifically for this car, of which only two were built in 2009, according to Koenigsegg.

This car is so hot that even Floyd Mayweather had to have one. The boxer posed next to the car in an Instagram post with the caption: “My 4.8 Million dollar car. $4,800,000.00 Koenigsegg CCXR Trevita supercar.”

Some might argue this is one of the dumbest ways he’s wasted money, but you can’t deny the car is a beauty. 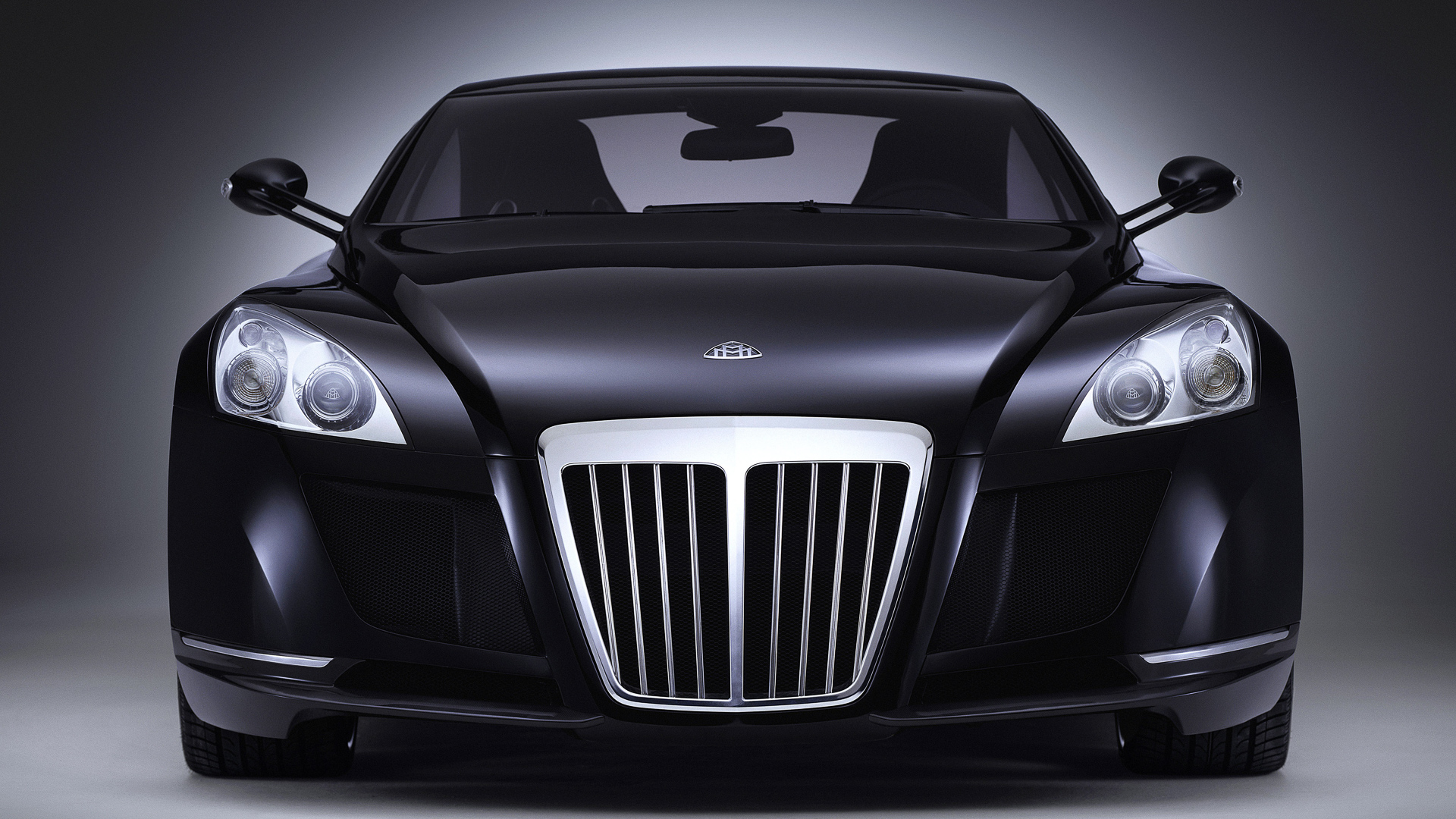 “The Exelero combines the first-class experience you’d expect from a limo with the performance characteristics of a high-end sports car,” said Barazi.

If you’re a Jay-Z fan, you might even recognize the Maybach Exelero from the “Lost One” music video, reported Complex magazine. 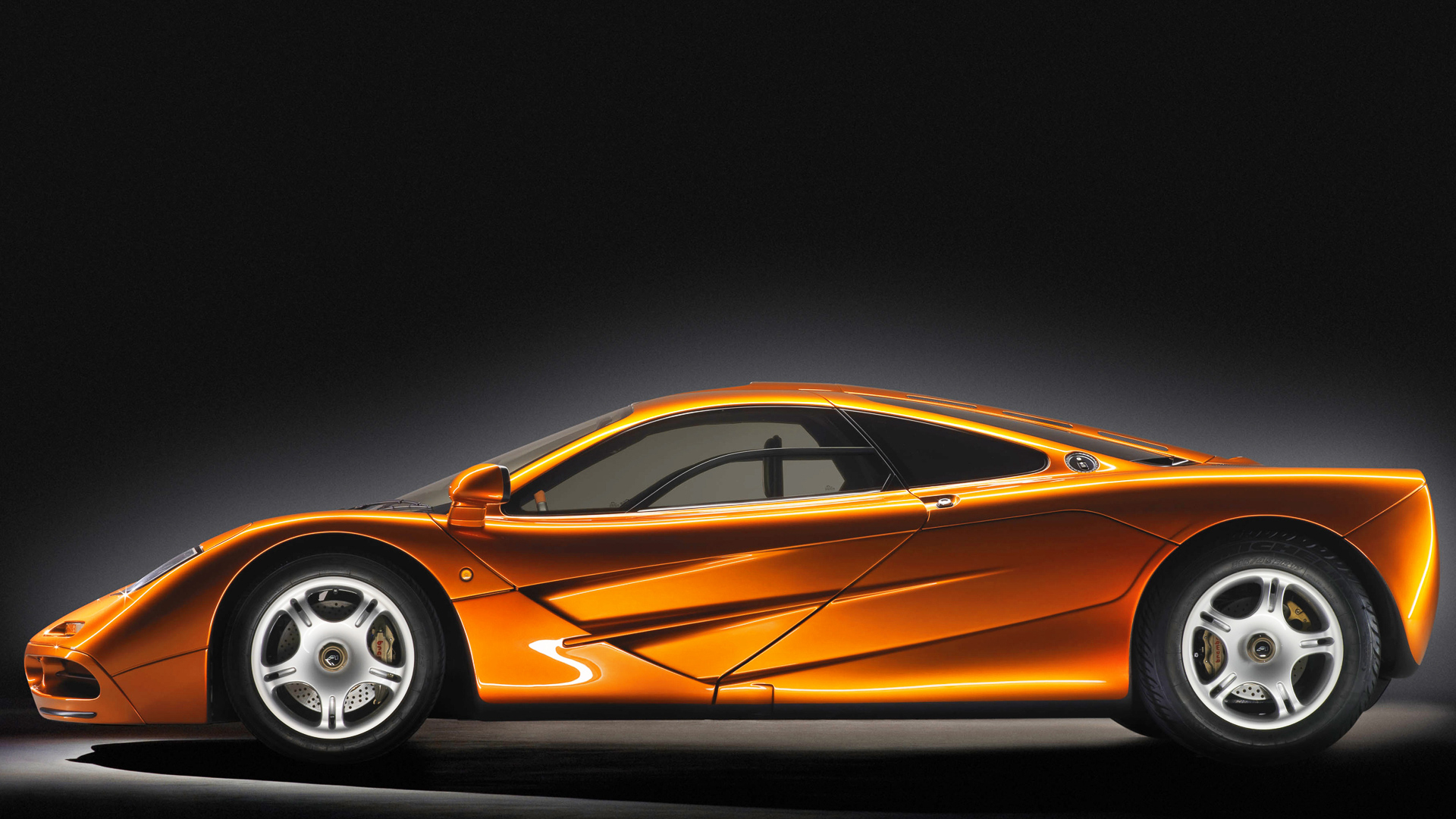 In 2015, this car was auctioned off for nearly $14 million, reported Business Insider, making it a coveted vehicle indeed.

“The LM was built to commemorate McLaren’s ‘95 victory at Le Mans with the F1 GTR,” said Shayrgo Barazi, an automotive engineer and founder of CarSumo, a car news site. “In fact, McLaren also captured the third, fourth, fifth and 13th positions during the race and decided to build five limited-edition F1 LMs for each GTR that had a finishing position.”

Terence Loose contributed to the reporting for this article.