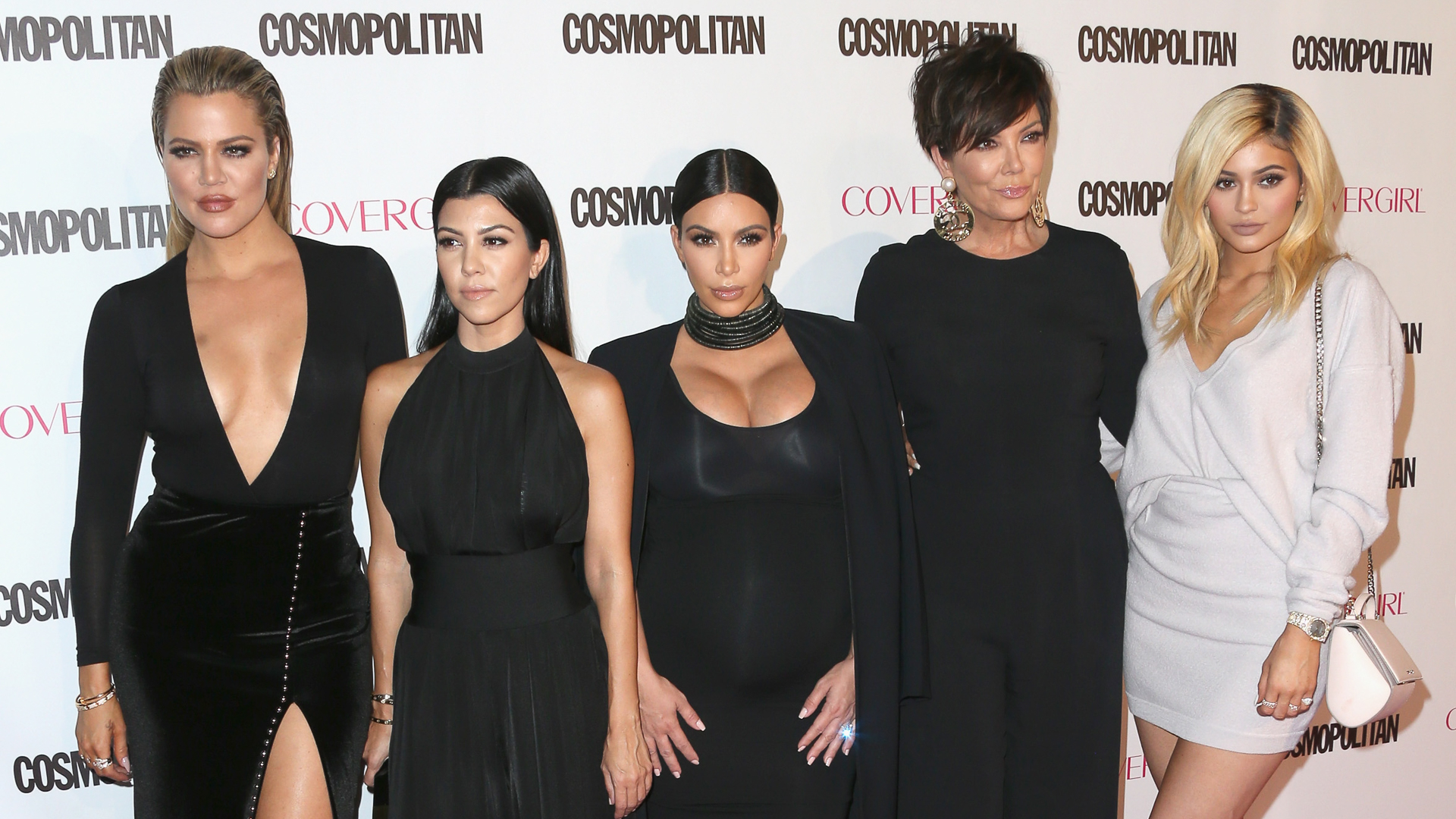 Instead of memorizing lines and following a script, reality television stars captivate audiences just by being themselves. Whether they’re participating in competitions or simply growing up with cameras in their homes, they’re paid to live their lives.

Although some reality stars quickly fade into oblivion, others — like the Kardashians — seem to grow their fame and fortune on a daily basis.

Click through to see where the richest reality stars of the 2000s are now. 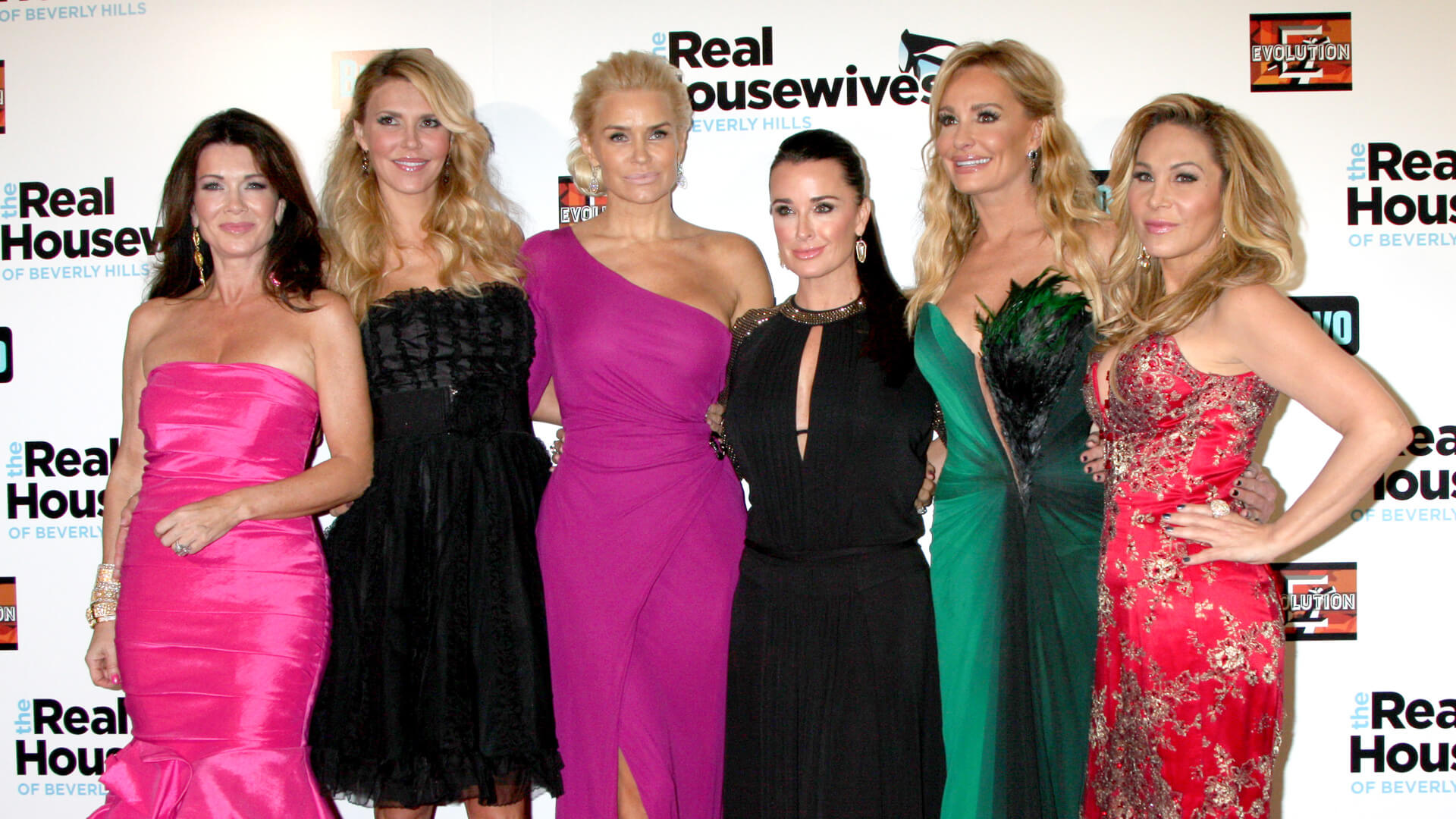 A show that allows viewers to live vicariously through its glamorous stars, “The Real Housewives” is paying out salaries that make its already-affluent casts even richer.

Many cast members come and go, but Bravo pays fan favorites dearly to stay put. According to Radar Online, NeNe Leakes earned $2.5 million for season 10 of “The Real Housewives of Atlanta.” Lisa Vanderpump of “Beverly Hills” is also likely cashing in as Bravo gave her the spin-off show “Vanderpump Rules.”

Calculate: The Price Tag of Being a ‘Real Housewife’ 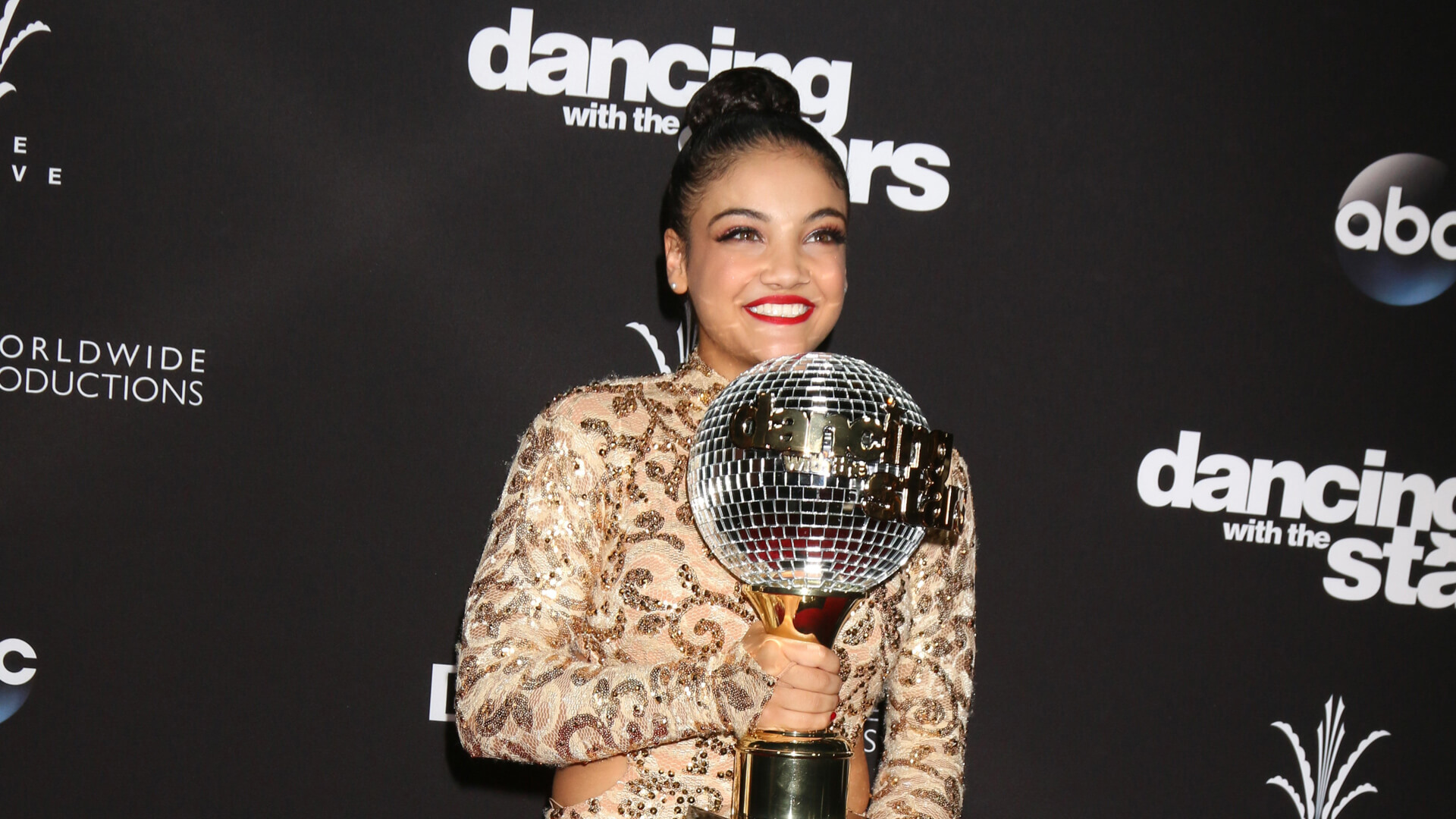 ‘Dancing With the Stars’ Salaries

Contestants on ABC’s “Dancing With the Stars” endure a rough training schedule to perform a new dance in the ballroom each week. But they’re paid handsomely for their efforts, and many of the dancers have sky-high net worths.

In November 2016, TMZ shared details of U.S. Olympic gymnast Laurie Hernandez’s salary for the show, revealing that the season 23 winner received a base rate of $125,000 just for showing up. The longer she lasted in the competition, the more she earned. Since she won the Mirrorball Trophy, this brought her “Dancing With the Stars” salary to a grand total of $360,000. 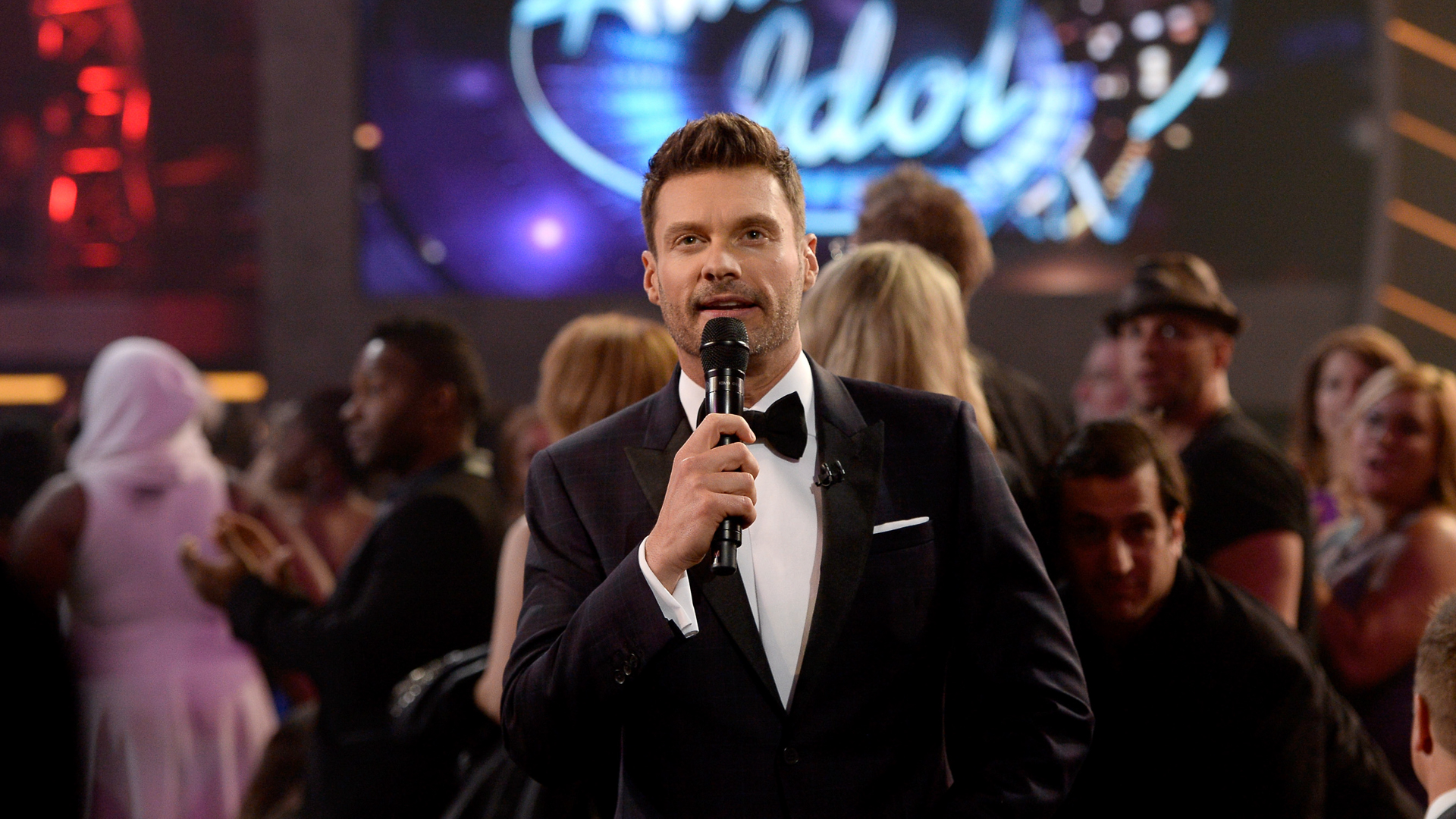 ABC’s reboot of Fox’s longtime singing competition “American Idol” premiered in 2018 with radio personality Ryan Seacrest as host. According to a 2017 TMZ report, Seacrest agreed to a $10 million to $15 million salary, and singer-songwriter Katy Perry signed a staggering $25 million deal.

In May 2018, the show was renewed for a second season at ABC — its 17th season overall. Seacrest returned as host with the same panel of judges: Perry, Luke Bryan and Lionel Richie. 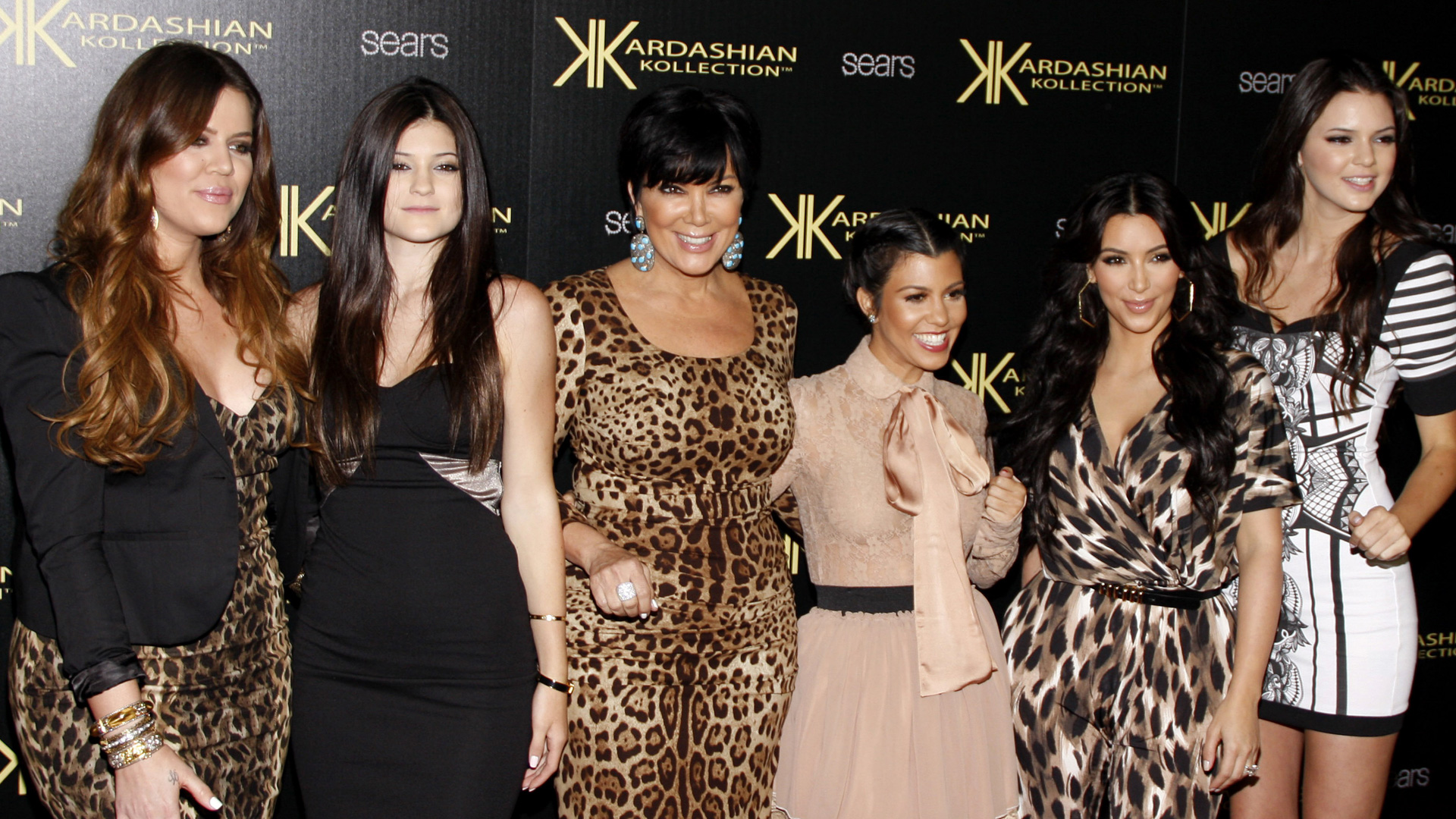 ‘Keeping Up With the Kardashians’ Salaries

The hit E! reality series made the Kardashians famous — and also very rich. In October 2017, Page Six reported that the Kardashian family re-signed with E! for a five-season extension in a whopping $150 million deal — the biggest contract in reality TV history at the time. According to TMZ, Kris Jenner alone pocketed $15 million from the deal in management fees.

Kardashian Net Worth: Who’s the Richest Kardashian or Jenner? 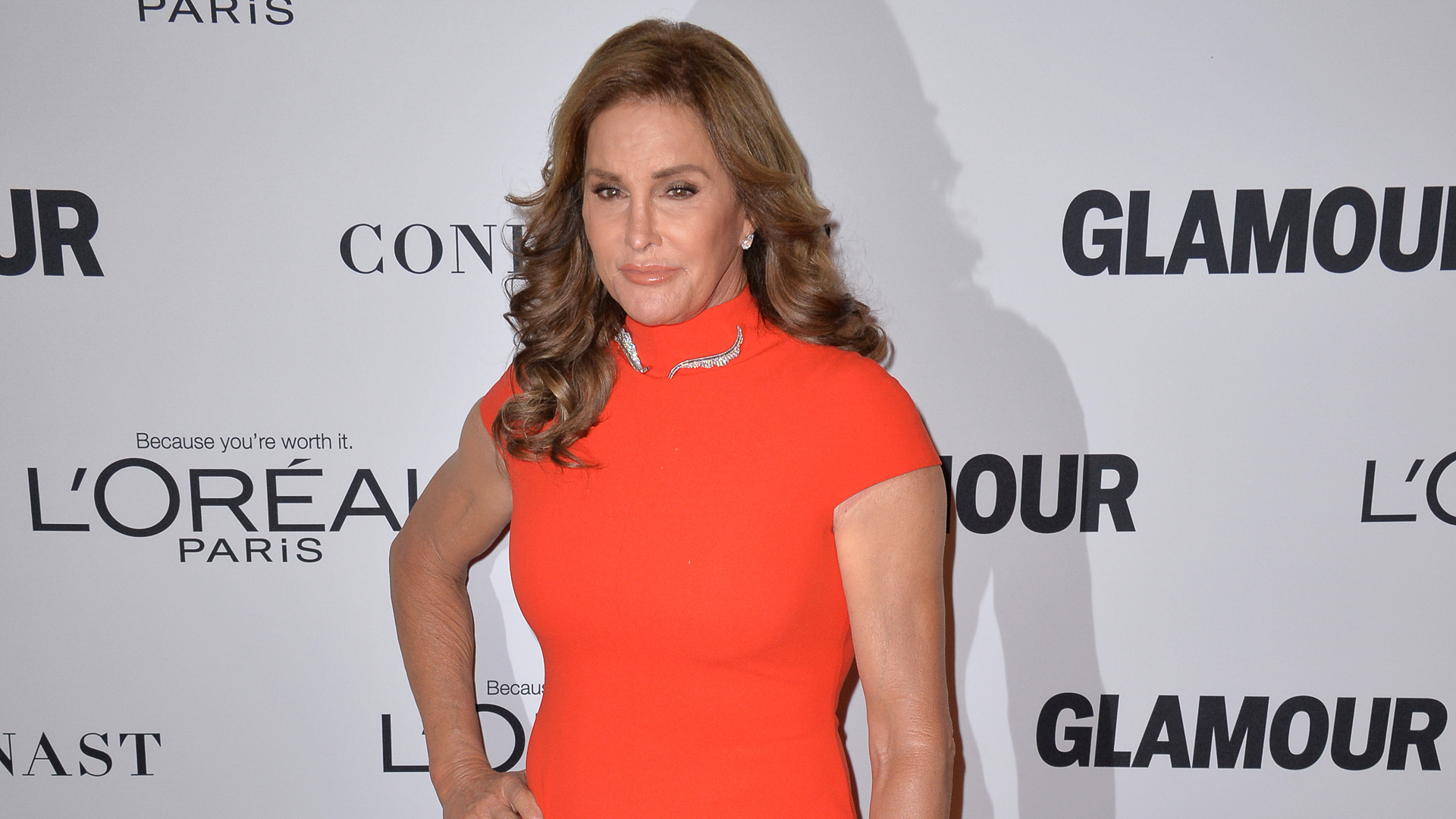 ‘I Am Cait’ Salaries

The E! documentary TV series “I Am Cait” chronicled Caitlyn Jenner’s life since transitioning. The docuseries, which was well-received, won the outstanding reality program award at the GLAAD Media Awards in 2016. But the TV personality — previously known as the Olympic gold medalist Bruce Jenner — starred on “I Am Cait” for just two seasons before it was canceled by Jenner and the network.

According to the Independent in 2015, Jenner was reportedly paid $5 million to star in the show. 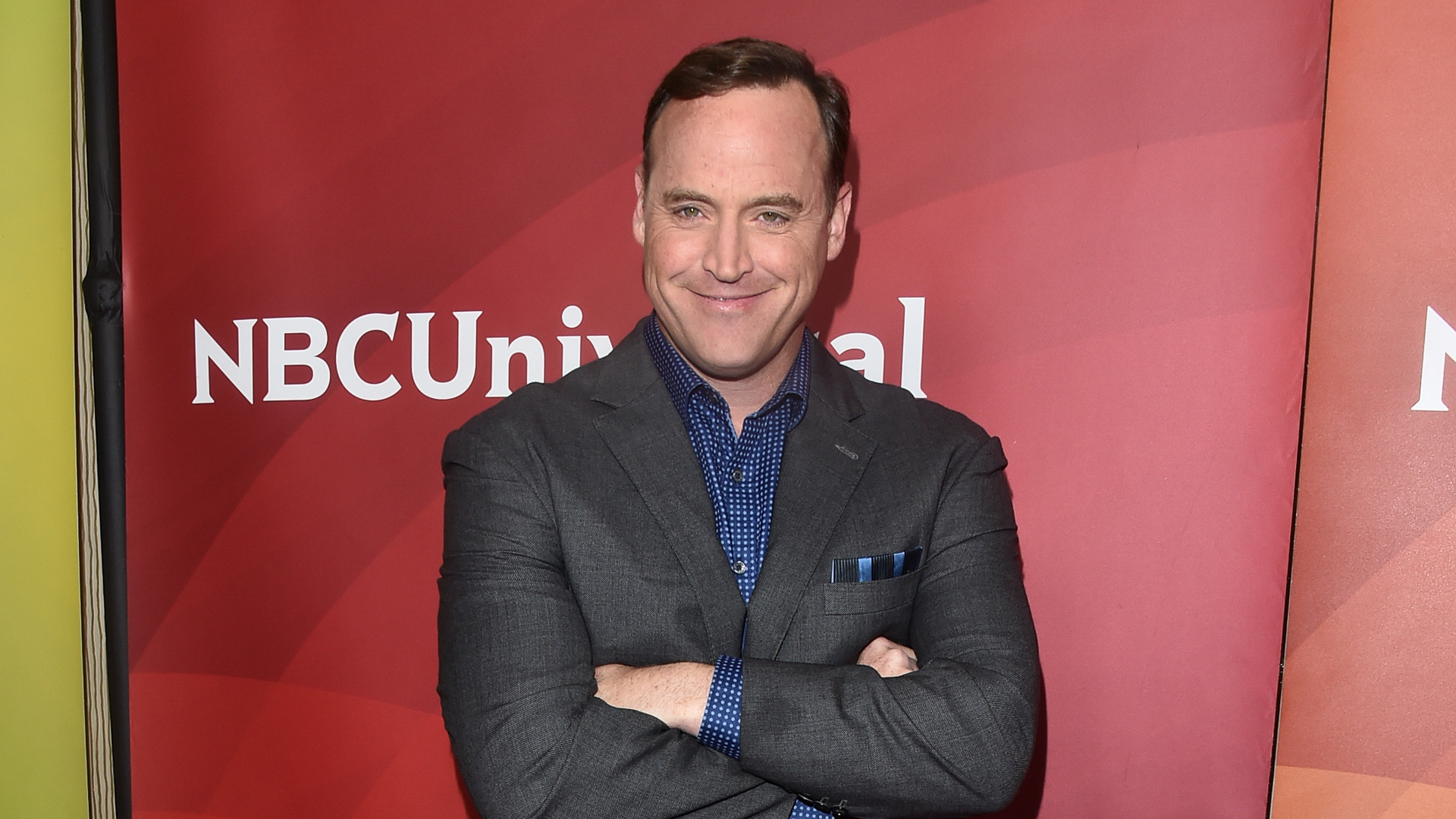 ‘The Celebrity Apprentice’ and 'The Apprentice' Salaries

As an executive producer on the show, President Donald Trump was projected by Forbes to earn roughly $7 million that season. The former longtime host of both “The Celebrity Apprentice” and “The Apprentice” was fired in 2015. However, in election filings, Trump claimed he earned more than $213 million for 14 seasons of “The Apprentice.” 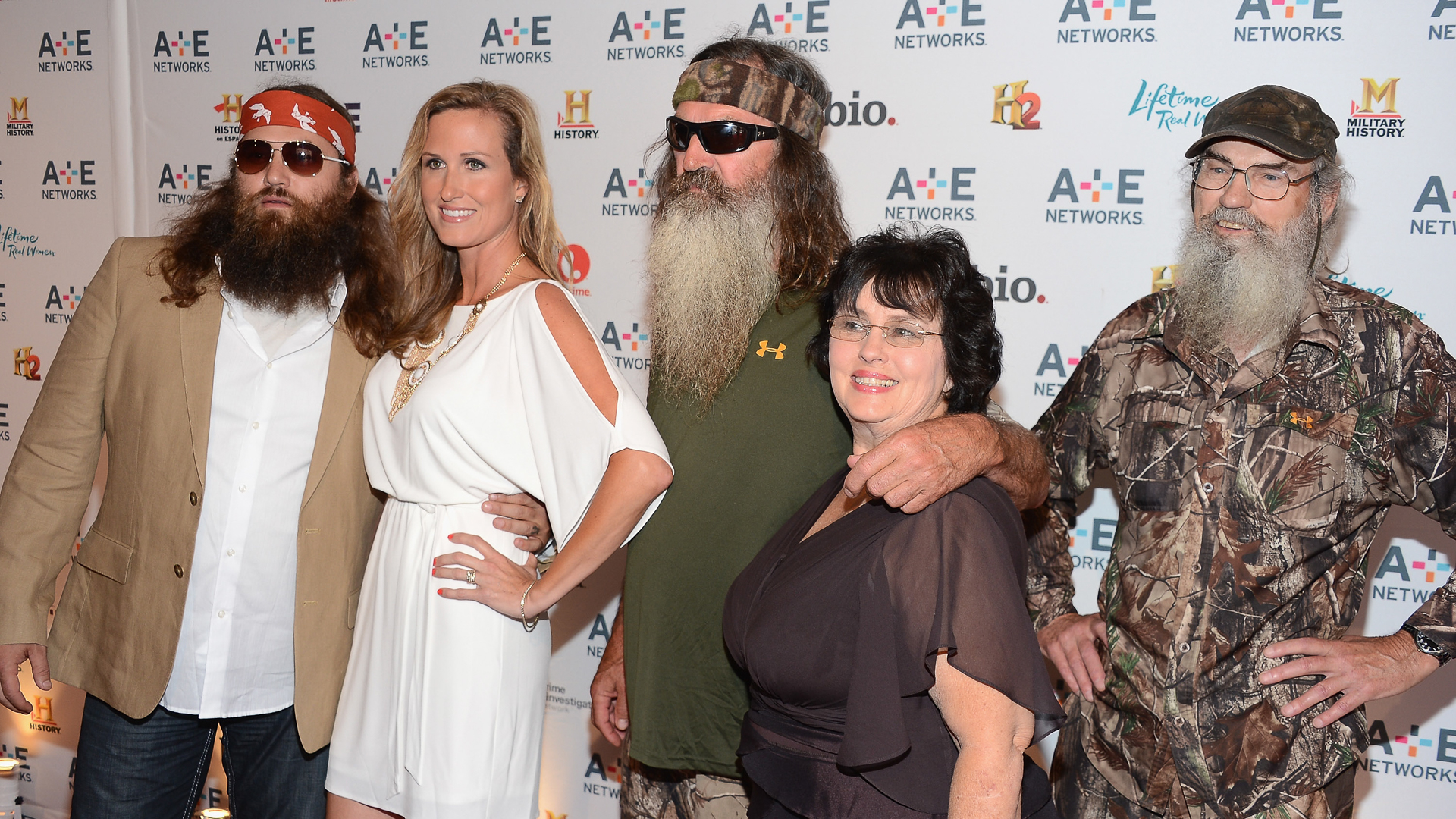 Known for their long beards and booming Duck Commander business, the Robertson family signed off of A&E’s reality series “Duck Dynasty” for good in 2017, but not before cashing in. The show debuted in 2012 and lasted for 11 seasons.

In 2013, the family resolved a salary standoff and negotiated a new contract with A&E that paid all 20 cast members — nine adults and 11 kids at the time — a total of $200,000 per episode, according to The Hollywood Reporter. The deal quadrupled the Robertsons’ original “Duck Dynasty” salaries from the first three seasons. 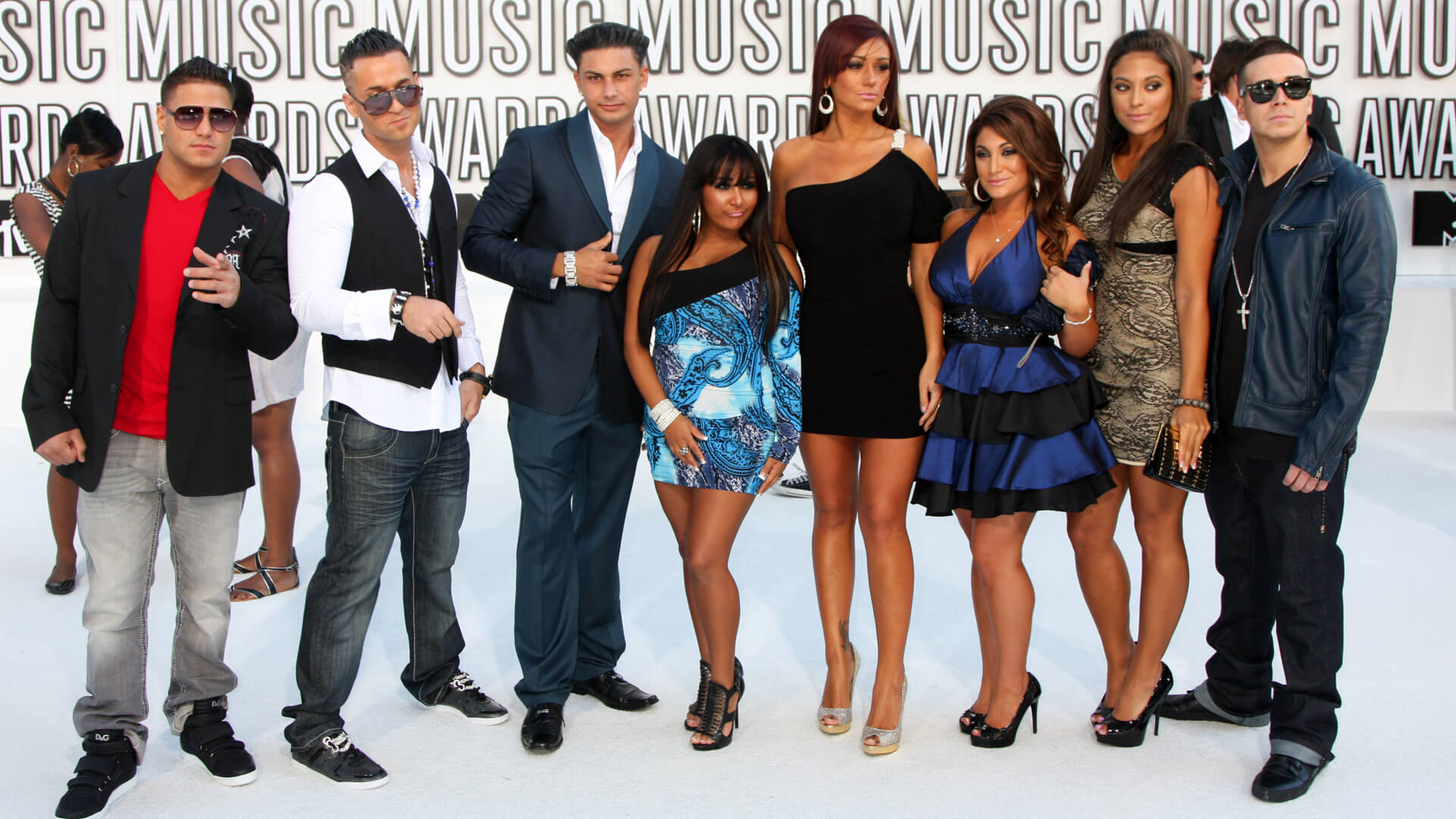 From 2009 to 2012, the core “Jersey Shore” cast members entertained MTV audiences with their outrageous party antics and “gym, tan, laundry” routine. The cast earned no salary for the first season, according to the New York Post, but after the show became a smash success, Entertainment Weekly reported that the stars secured $10,000 per episode for season two and at least $100,000 per episode by 2011. The salaries of the show’s biggest stars — Snooki, The Situation and Pauly D — totaled $2.5 million each for the sixth and final season, according to the New York Post. 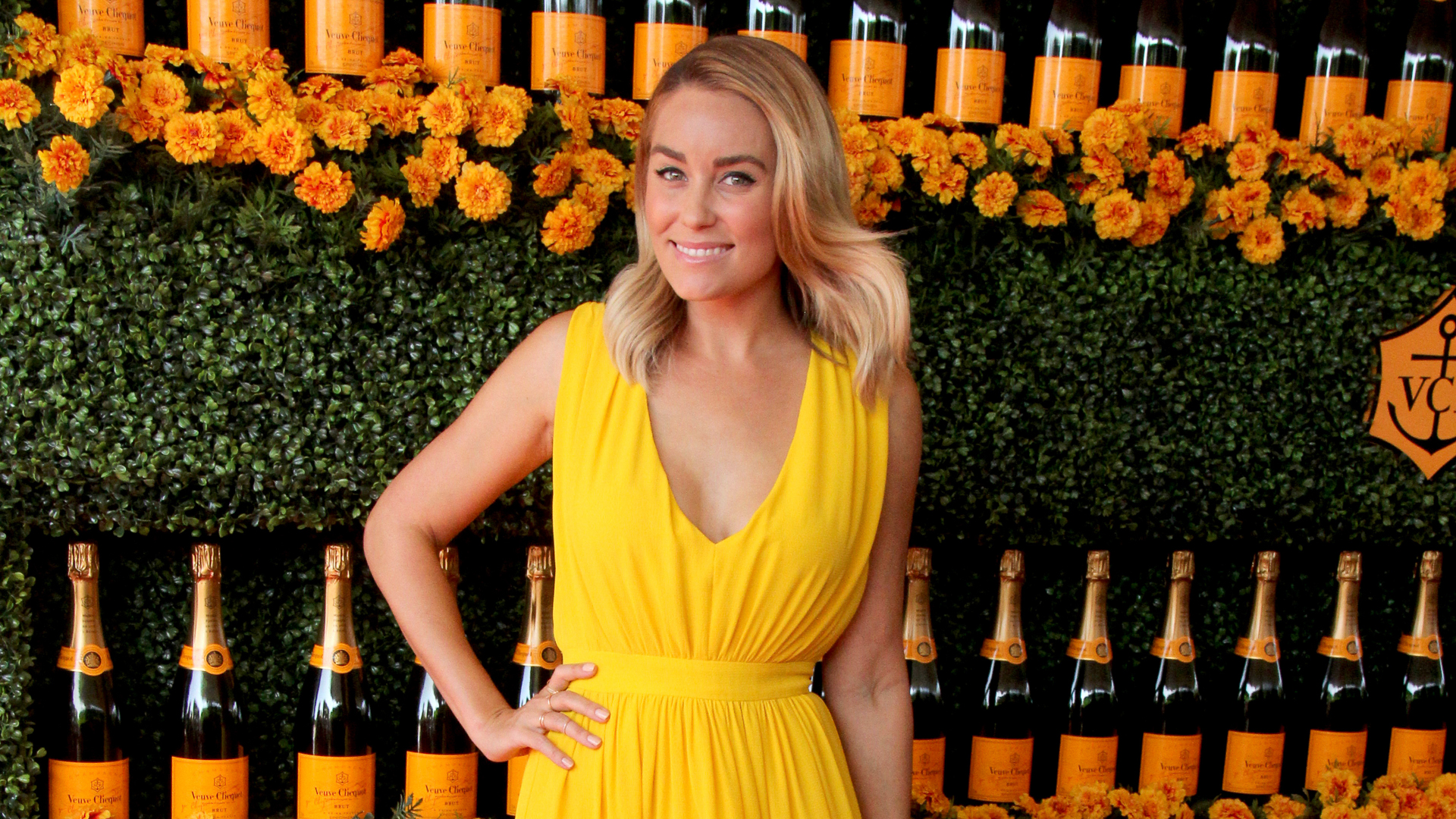 Starring Lauren Conrad, “The Hills” served as a follow-up to the hit MTV series “Laguna Beach.” It followed her glamorous, post-high school life in Los Angeles with an equally chic group of friends. 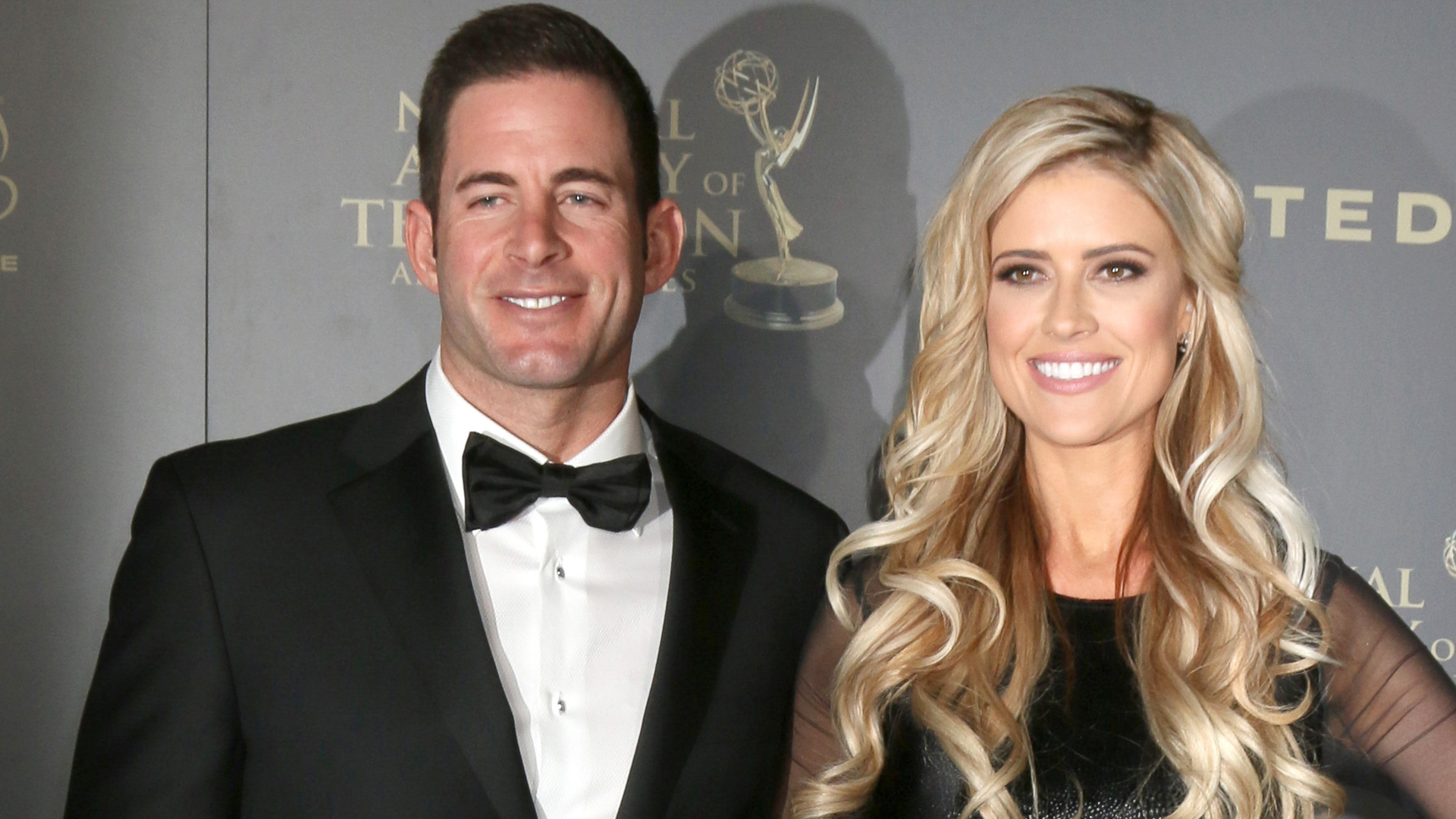 On their hit HGTV series “Flip or Flop,” Tarek and Christina El Moussa purchase run-down Southern California homes, renovate them and then sell the properties for a profit.

The ex-couple has been starring in “Flip or Flop” since 2013 and plans to continue working together as of August 2018, according to CNN. But Christina allegedly wanted a salary bump. In April 2017, the Daily Mail reported her salary demands had reached $1 million per season, but the final terms of her contract — and the amount she was previously earning — haven’t been publicly revealed. 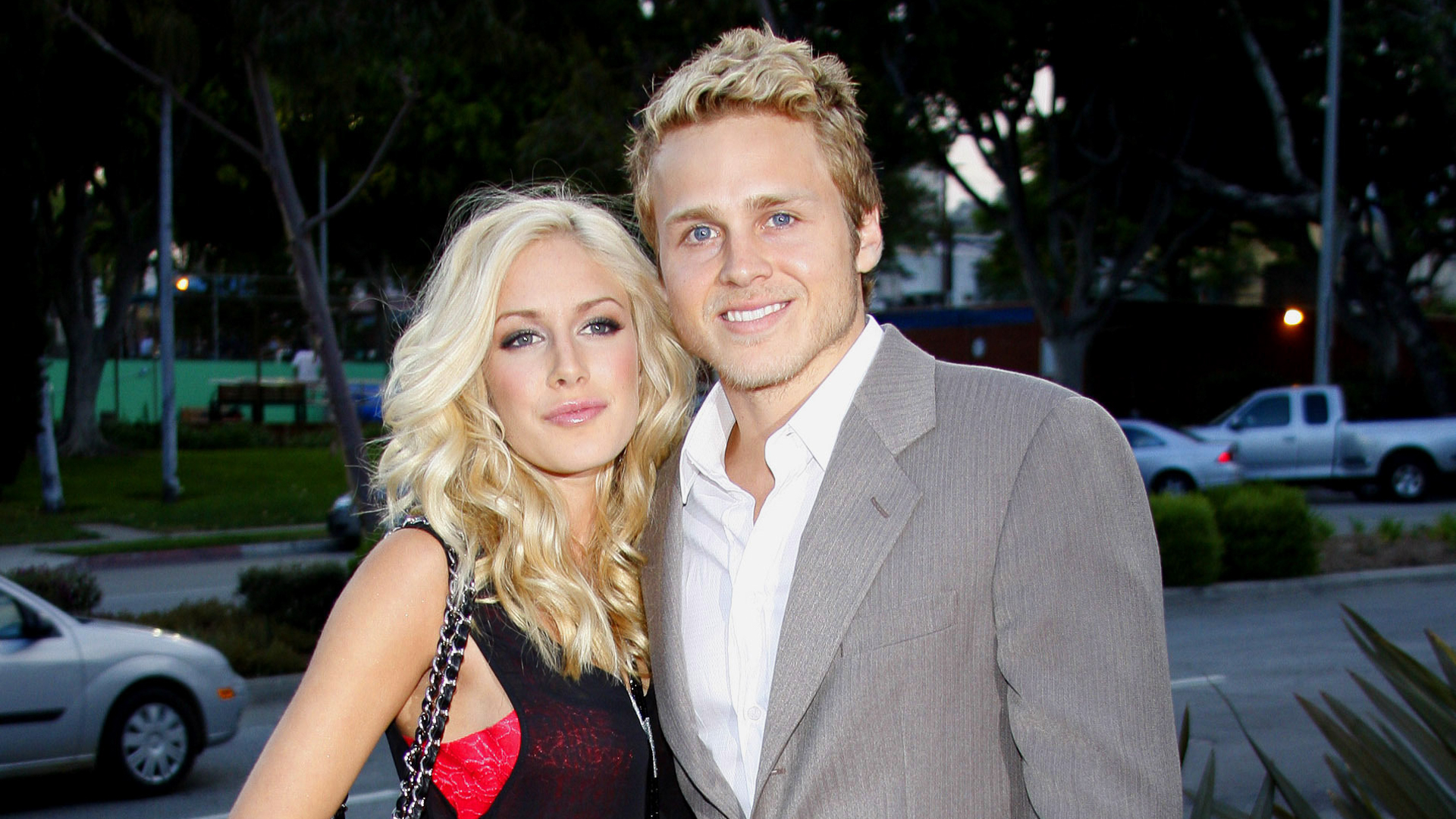 The U.K.’s twist on the classic “Big Brother” series has celebrities locked in a house together, following commands from the elusive “Big Brother.” According to TMZ, stars are usually paid a maximum of $250,000 to fly across the pond and compete, but exceptions are made for some “Celebrity Big Brother” salaries. For example, Ray J’s salary for the 2017 season was $1 million. In the same season, Heidi Montag and Spencer Pratt earned $700,000. 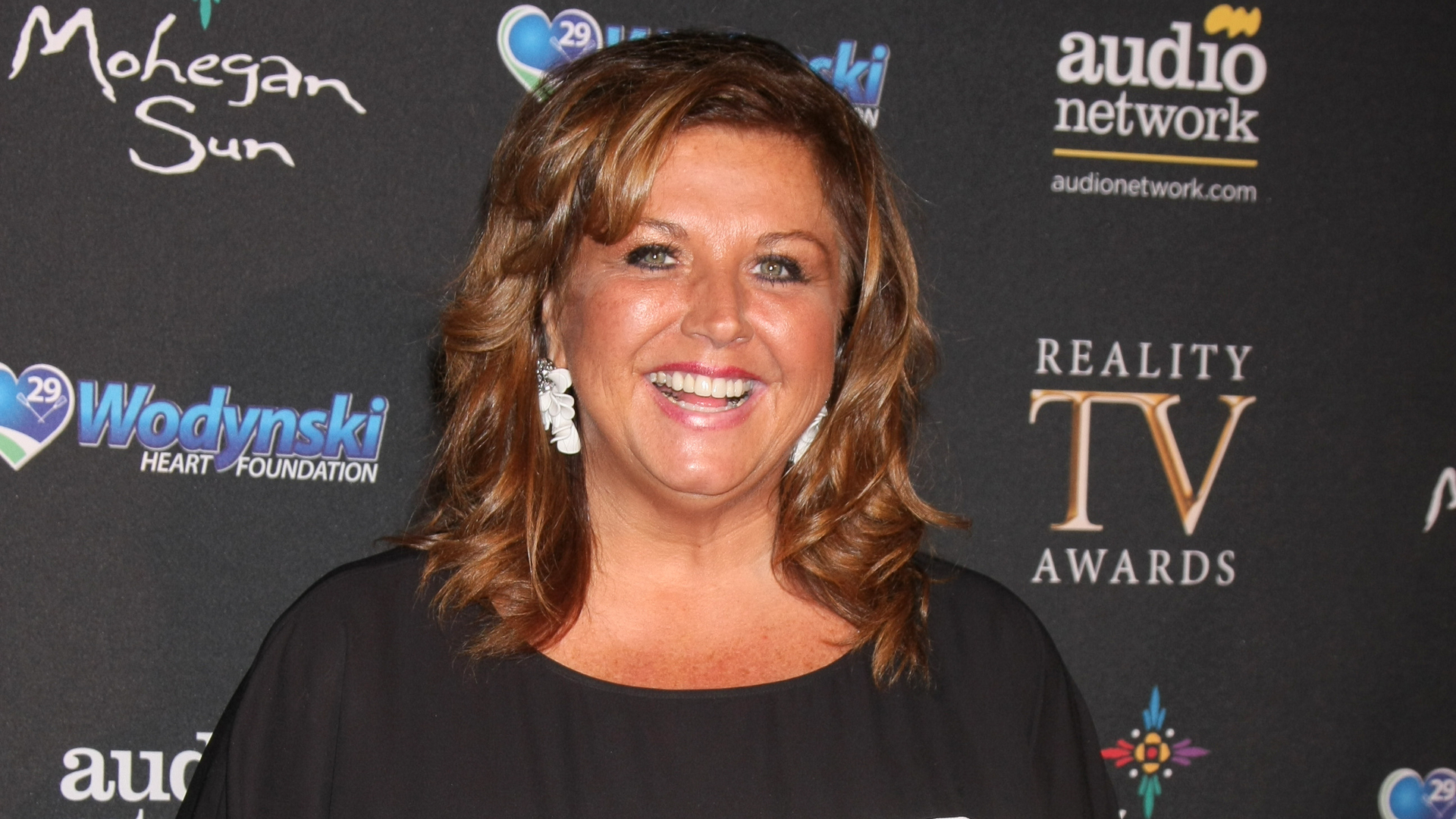 Former “Dance Moms” star Abby Lee Miller began serving her 366-day prison sentence in July 2017, but she was transferred to a halfway house in March for good behavior and officially released in May. Miller had been indicted in 2015 on 20 counts of bankruptcy fraud.

As of 2015, Miller’s salary for “Dance Moms” amounted to more than $755,000 in hidden wages from the Lifetime show, according to Deadline. 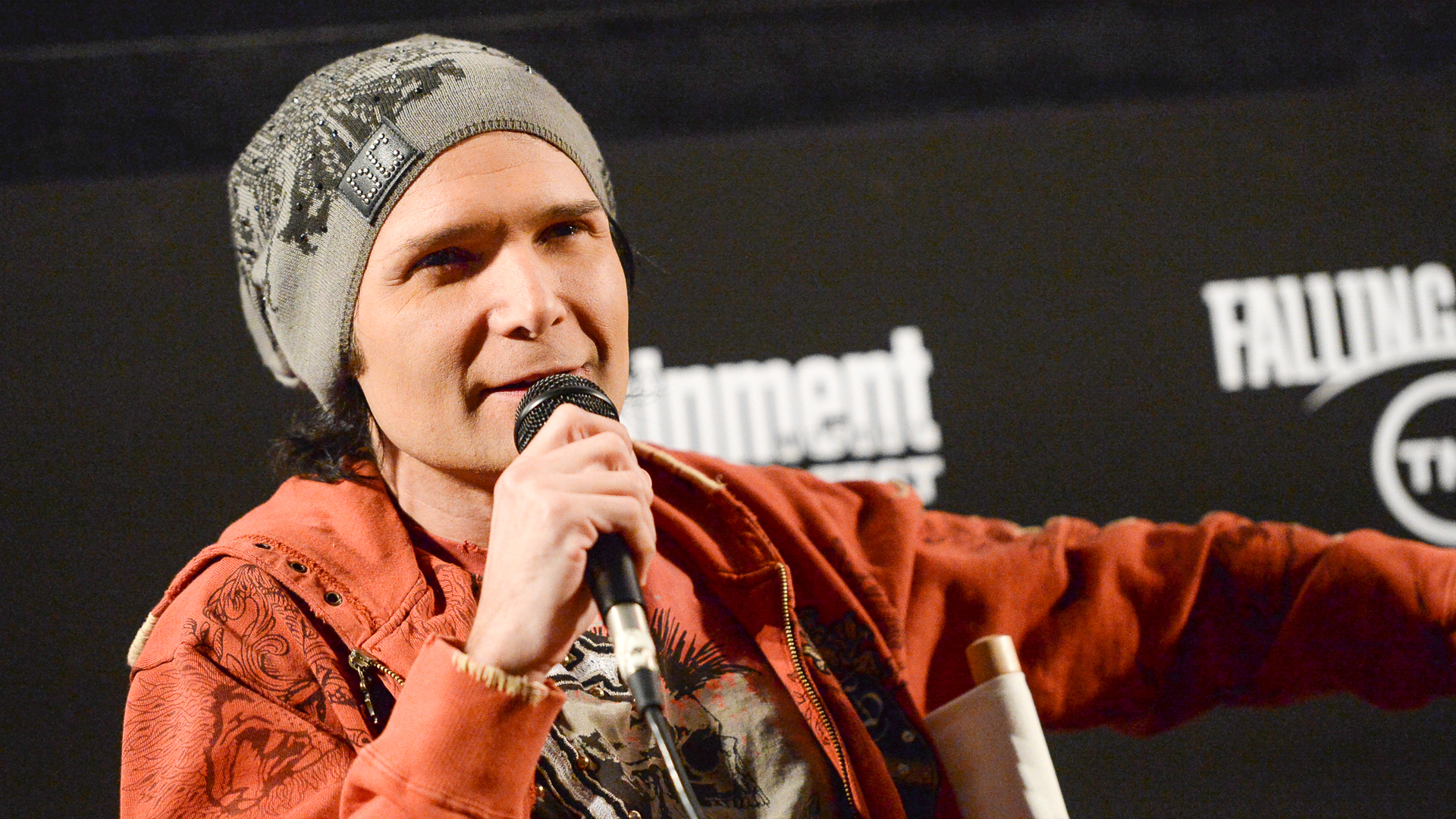 Before “Celebrity Wife Swap” was canceled in 2015, leading ladies from two very different families traded places for a week of challenges. Participants included Gary Busey, Corey Feldman, Andy Dick and Verne Troyer. TMZ reported that Heidi Montag and Spencer Pratt received $50,000 for their 2014 stint on the show, which the site claimed was nearly $20,000 more than what some of the other couples earned. 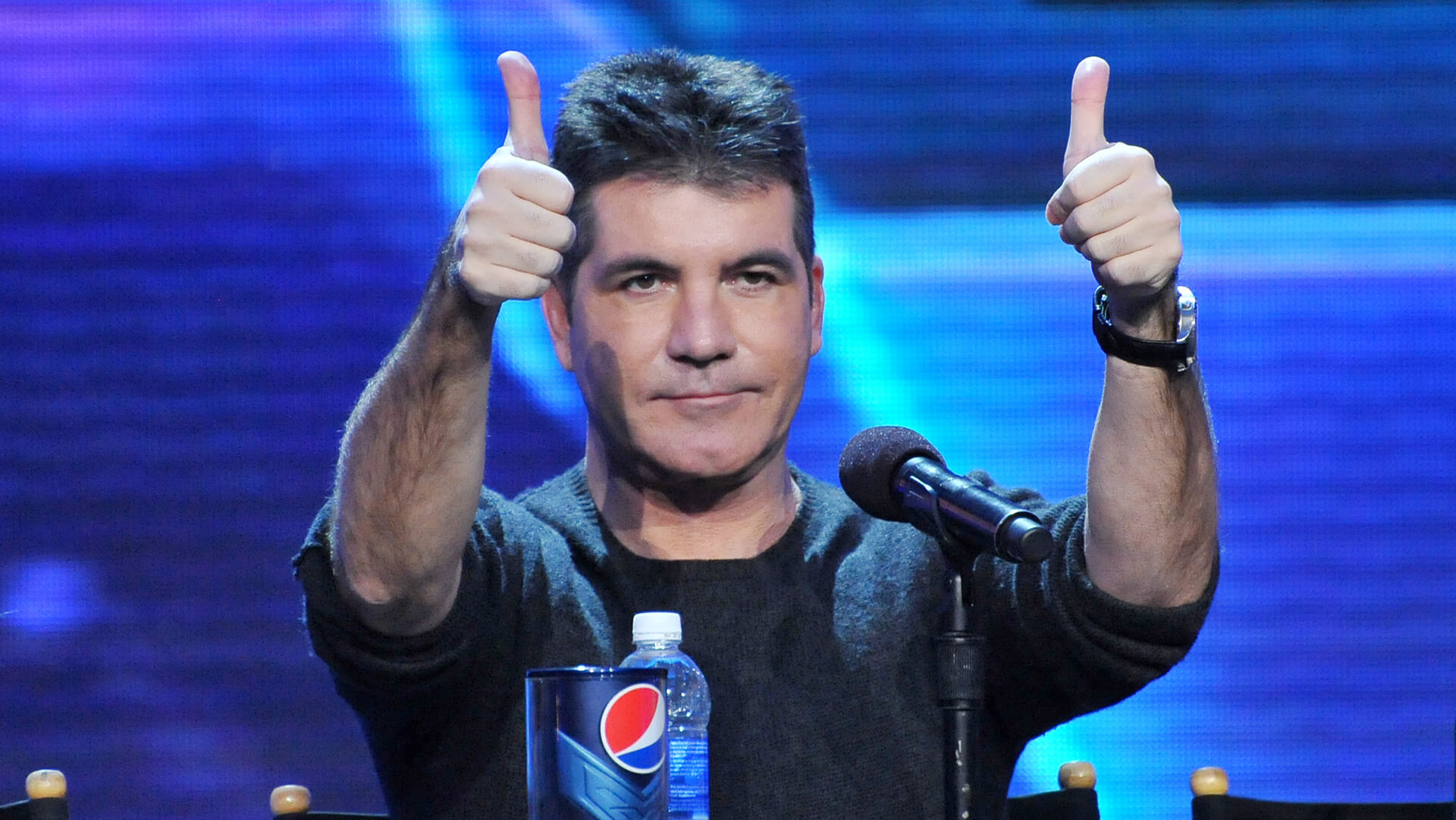 Like “American Idol,” “The X Factor” is a show where contestants compete by singing cover songs in hopes of landing a recording contract. The series also usually features a star-studded judging panel. In 2018, “The X Factor” will bring on Robbie Williams, singer Louis Tomlinson and actress Ayda Field in addition to show creator Simon Cowell.

OK! Online reported that former judge Louis Walsh — who quit the show in 2018 after 13 years — will receive a bumper payout of 1 million pounds, or about $1.29 million. He was previously paid 1 million pounds for his role on “The X Factor” in 2016, according to the Daily Express. 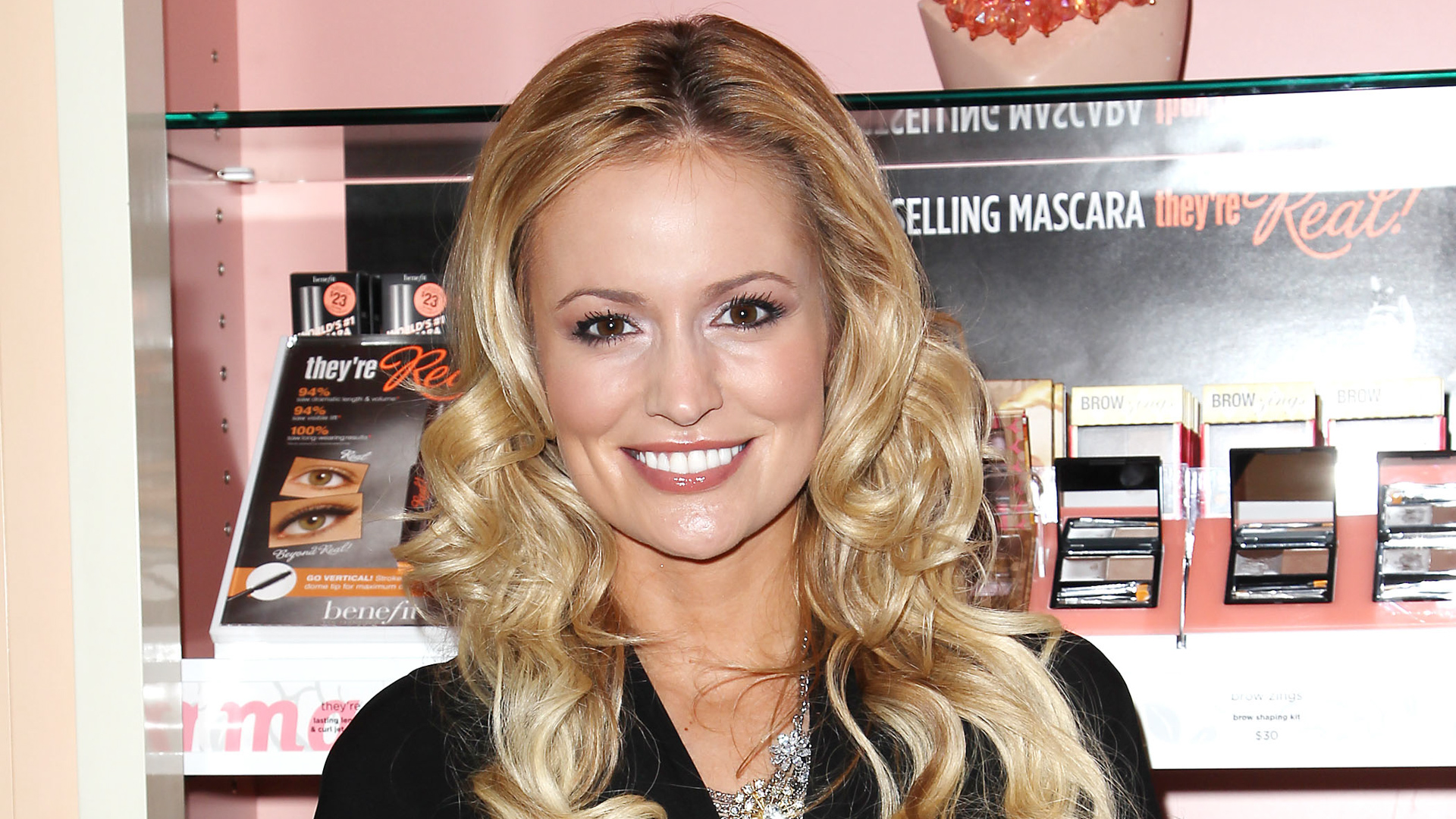 Although some cast members of “The Bachelor” have impressive fortunes, finding love on national television comes at a different price for everyone. According to Mic in 2017, the bachelor himself typically earns more than $100,000 for shooting the season, which takes under two months. But the most well-paid cast member of the franchise might not be on “The Bachelor” at all. Emily Maynard reportedly earned $250,000 for season eight on “The Bachelorette,” according to Wetpaint.

Click through to read about celebrity endorsement deals with insane payouts.

Grace Lin and Olivia Perez contributed to the reporting for this article.