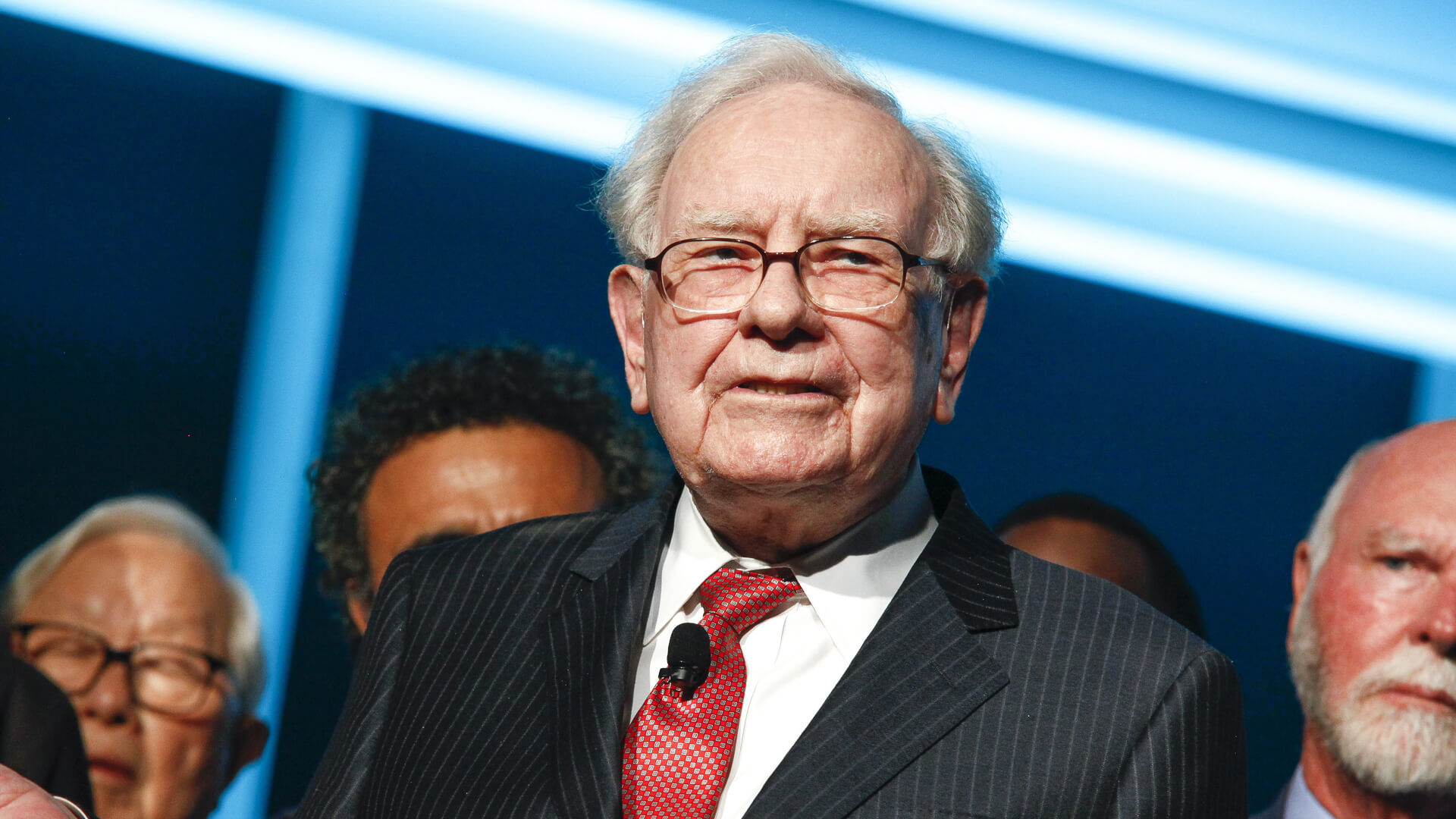 Having rich and famous parents comes with its perks — which can include a sizable inheritance.

Click through to see some of the richest celebrities who won’t be spoiling their children. 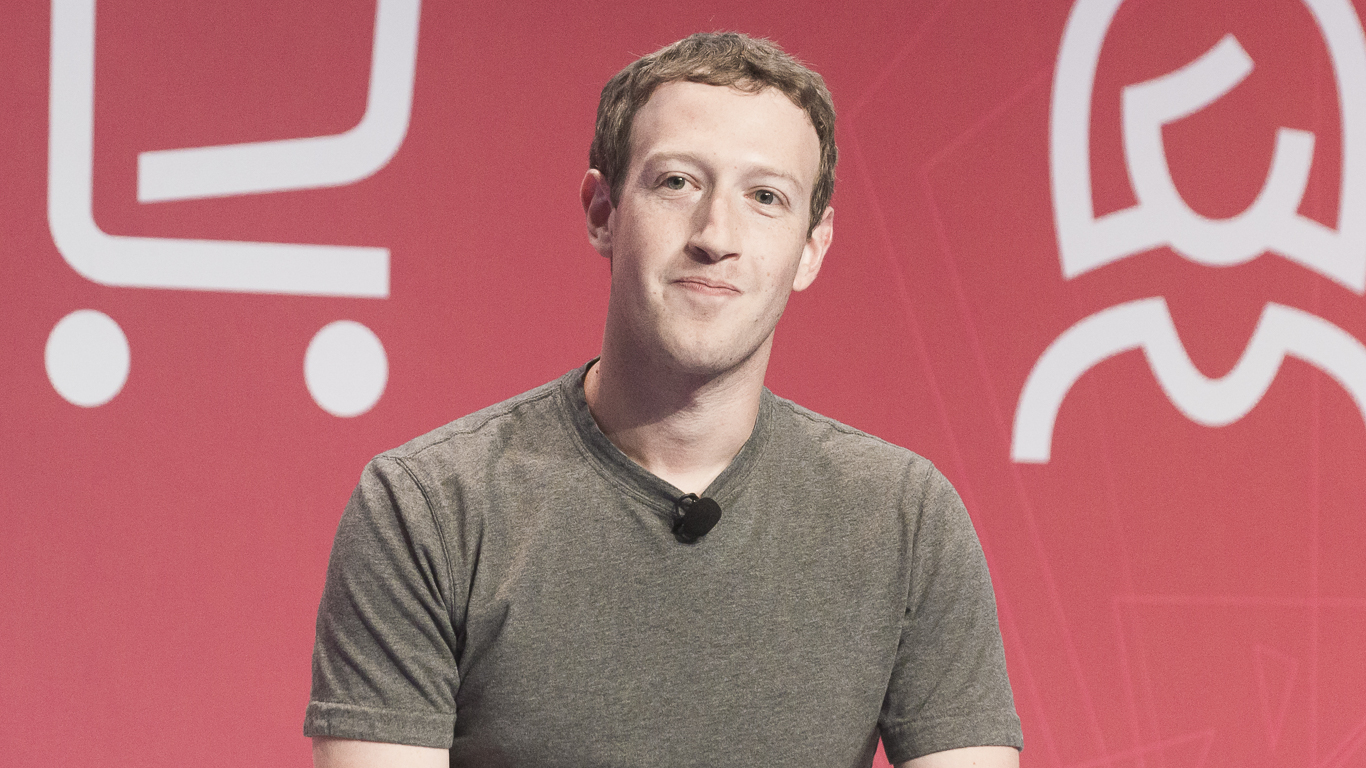 Facebook founder Mark Zuckerberg became a billionaire before the age of 32 and is today worth $72 billion. But he won’t be sharing the majority of his money with his daughter, Max. In a letter to their newborn daughter, Zuckerberg and his wife, Dr. Priscilla Chan, pledged to give away 99 percent of their company shares, which topped $45 billion at the time.

According to the letter, the couple’s goal in donating the funds is to “advance human potential and promote equality for all children in the next generation.” 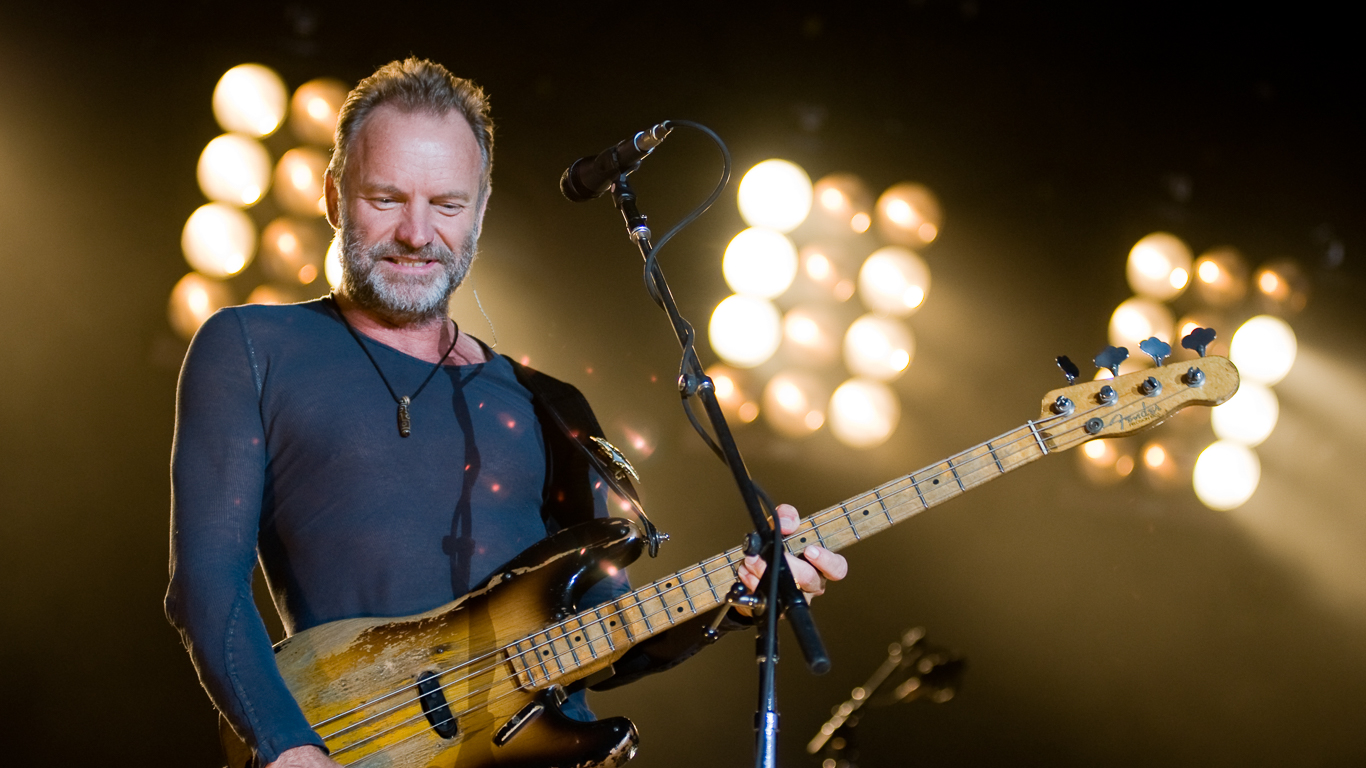 British musician Sting, who has a net worth of $300 million, said that he’s not leaving any cash to his six children — Eliot, Joe, Mickey, Fuchsia, Jake and Giacomo. In an interview with the Daily Mail, the musician said he plans to spend the majority of his fortune.

“I told them there won’t be much money left because we are spending it,” he said, citing previous commitments for his wealth. While Sting said he would help his children out if they were in trouble, he doesn’t believe that will be necessary. “They have the work ethic that makes them want to succeed on their own merit,” he said. 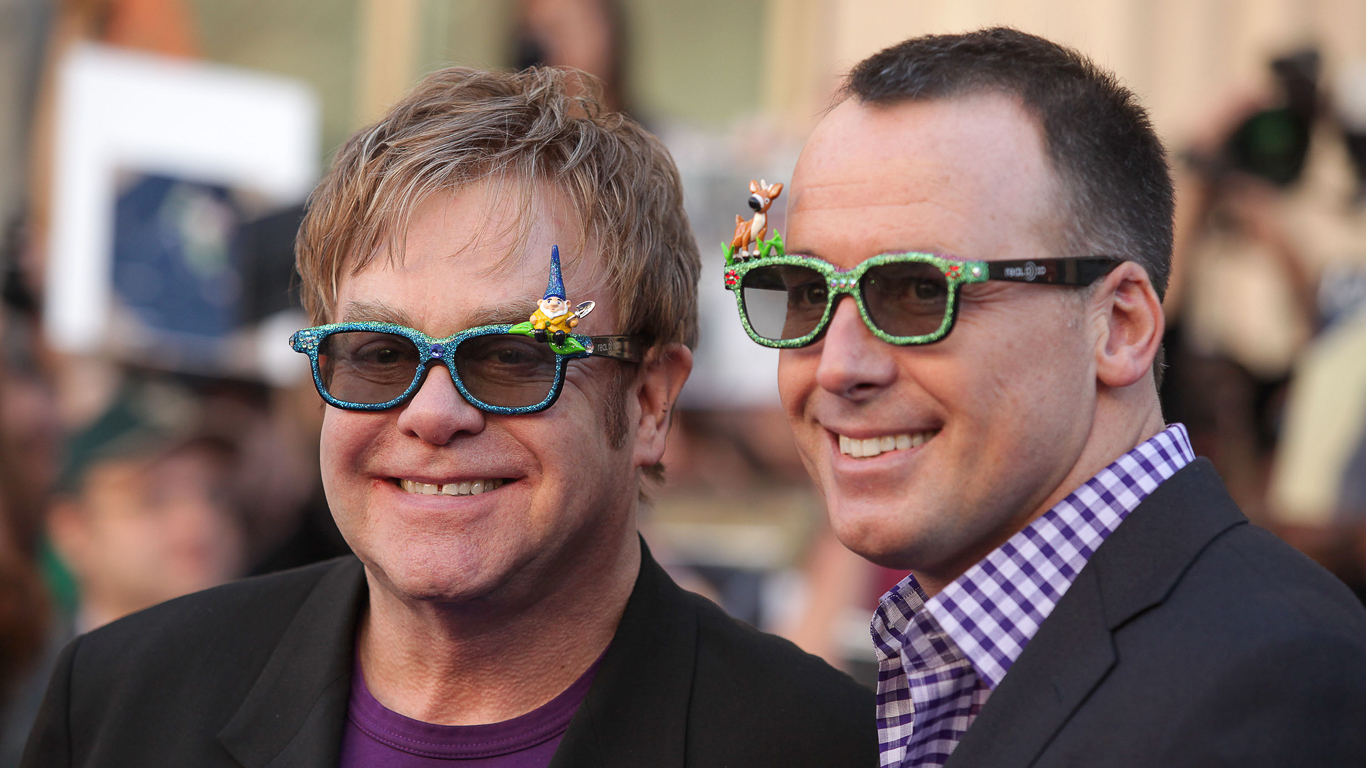 Elton John and his husband David Furnish have a combined net worth of $550 million, but they do not plan to leave much of it to their sons, Elijah and Zachary.

“Of course I want to leave my boys in a very sound financial state. But it’s terrible to give kids a silver spoon. It ruins their life,” the music icon told the Daily Mirror. “Listen, the boys live the most incredible lives. They’re not normal kids and I’m not pretending they are. But you have to have some semblance of normality, some respect for money, some respect for work.” 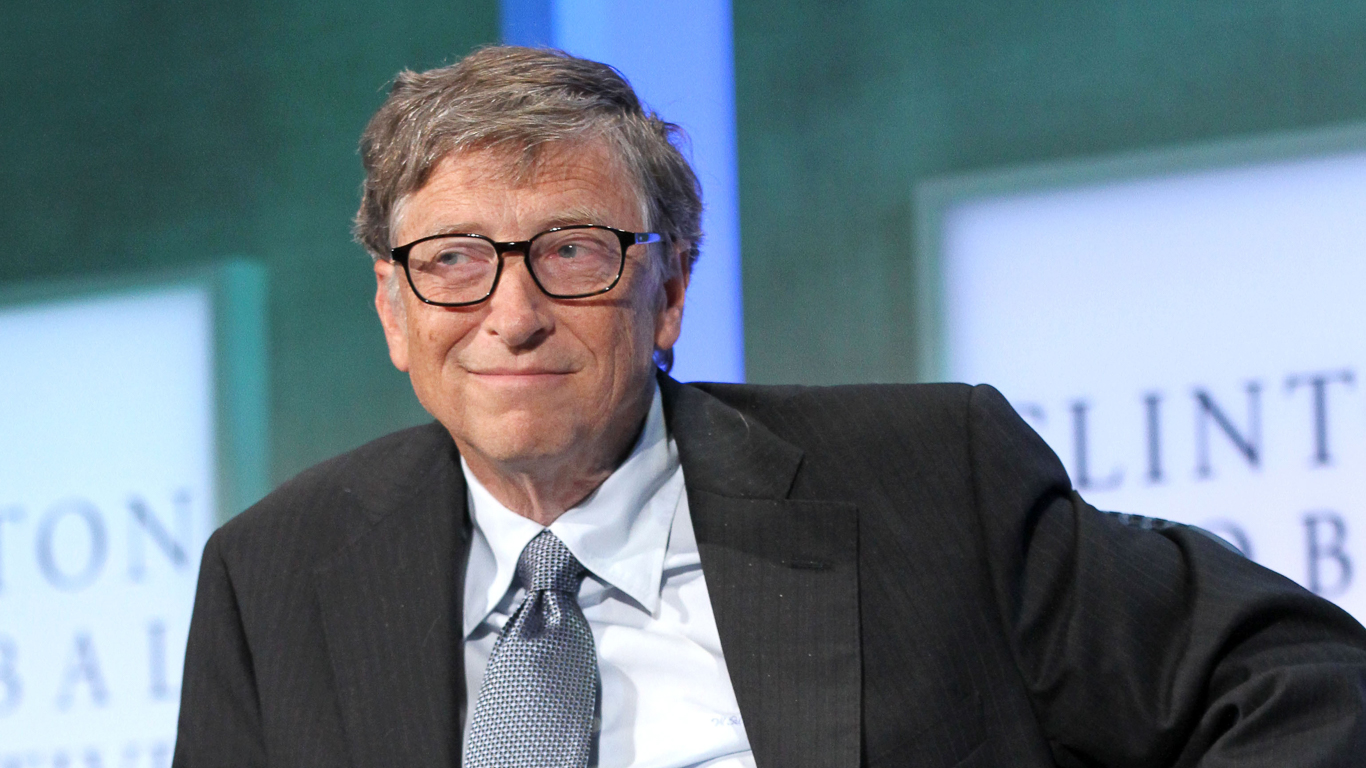 Bill Gates, who has a net worth of $90 billion, is not planning to turn over his massive fortune to his kids, Jennifer, Rory and Phoebe. The business mogul recently explained that his children will be given every opportunity to get an education, but they will not be left to live off a hefty inheritance.

“Our kids will receive a great education and some money, so they are never going to be poorly off, but they’ll go out and have their own career,” he said to “This Morning.” “It’s not a favor to kids to have them have huge sums of wealth. It distorts anything they might do, creating their own path.”

After passing on a small amount of money to their offspring, Gates and his wife will give the rest of their fortune to their charity, the Bill and Melinda Gates Foundation, which funds health and education projects around the world. 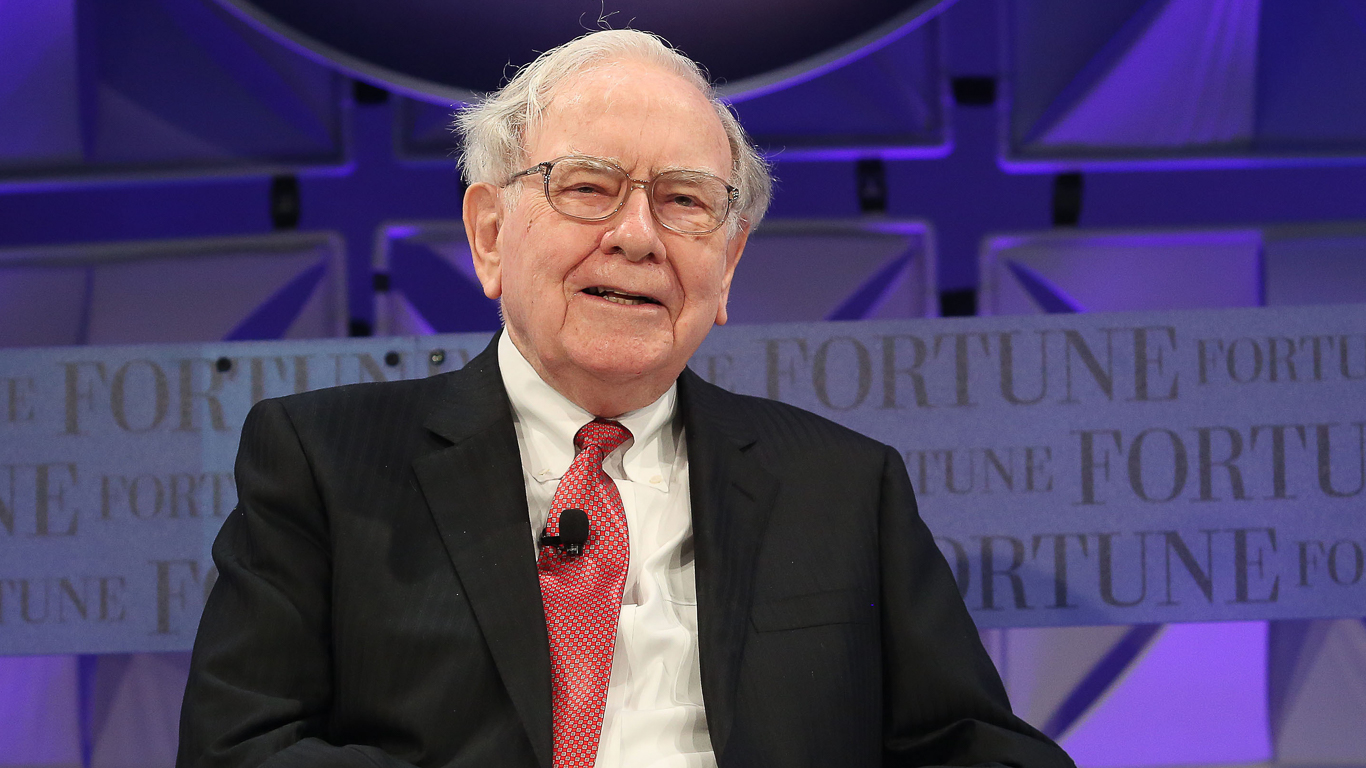 Warren Buffett has amassed a fortune of $75 billion, but only a small portion of that money will go to his three children. In fact, the business investor has pledged to give away 99 percent of his wealth over his lifetime. He created The Giving Pledge to convince more of the world’s top earners to leave their fortunes to nonprofits and has already donated billions to charity.

“My family won’t receive huge amounts of my net worth. That doesn’t mean they’ll get nothing,” Buffett said via CNBC. “My children have already received some money from me and Susie and will receive more. I still believe in the philosophy … that a very rich person should leave his kids enough to do anything but not enough to do nothing.”

Get Inspired: 21 Life Hacks From Warren Buffett That Anyone Can Use 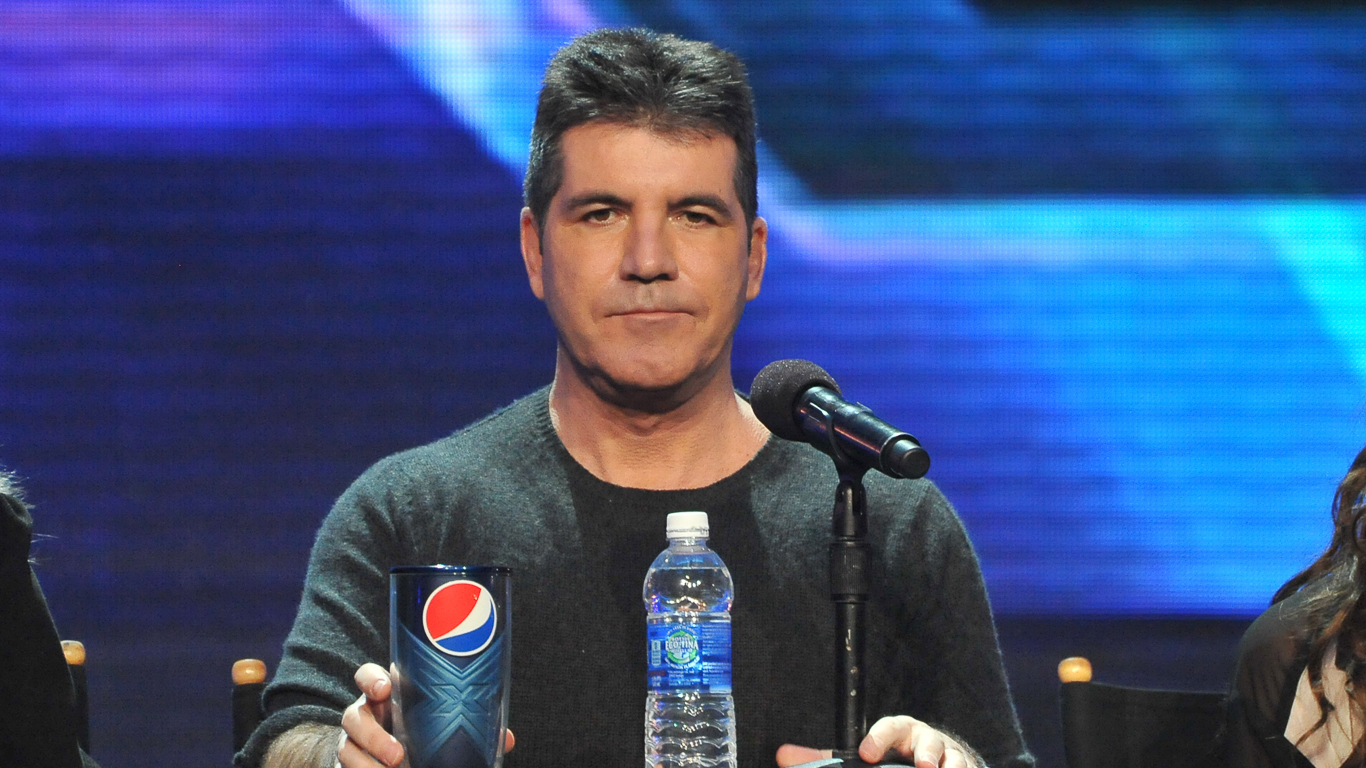 Simon Cowell has a net worth of $550 million, but he is not planning to pass down his fortune to his son, Eric. The “X Factor” judge said he does not believe in transferring funds from generation to generation.

“I’m going to leave my money to somebody. A charity, probably — kids and dogs,” he told Esquire magazine in 2013. “I don’t believe in passing on from one generation to another. Your legacy has to be that hopefully you gave enough people an opportunity so that they could do well, and you gave them your time, taught them what you know.” 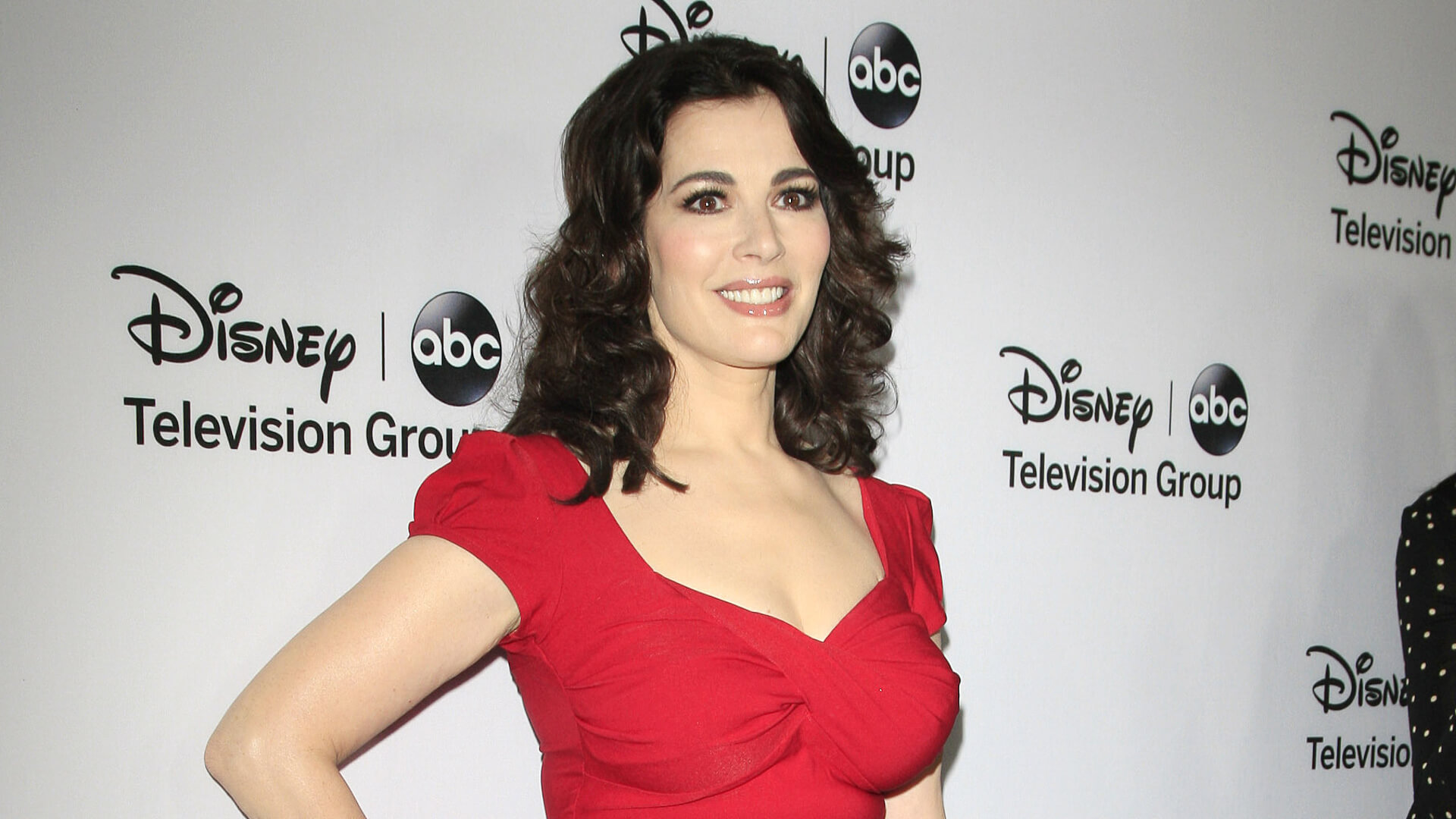 Nigella Lawson inherited money from her own family, but she is not planning to carry on that tradition. The cookbook queen, who is worth $20 million, intends to cut her two kids — Cosima and Bruno — out of the will.

“I am determined that my children should have no financial security. It ruins people not having to earn money,” she said to My Weekly magazine. “I argue with my husband Charles, because he believes that you should be able to leave money to your children. I think we’ll have to agree to disagree.” 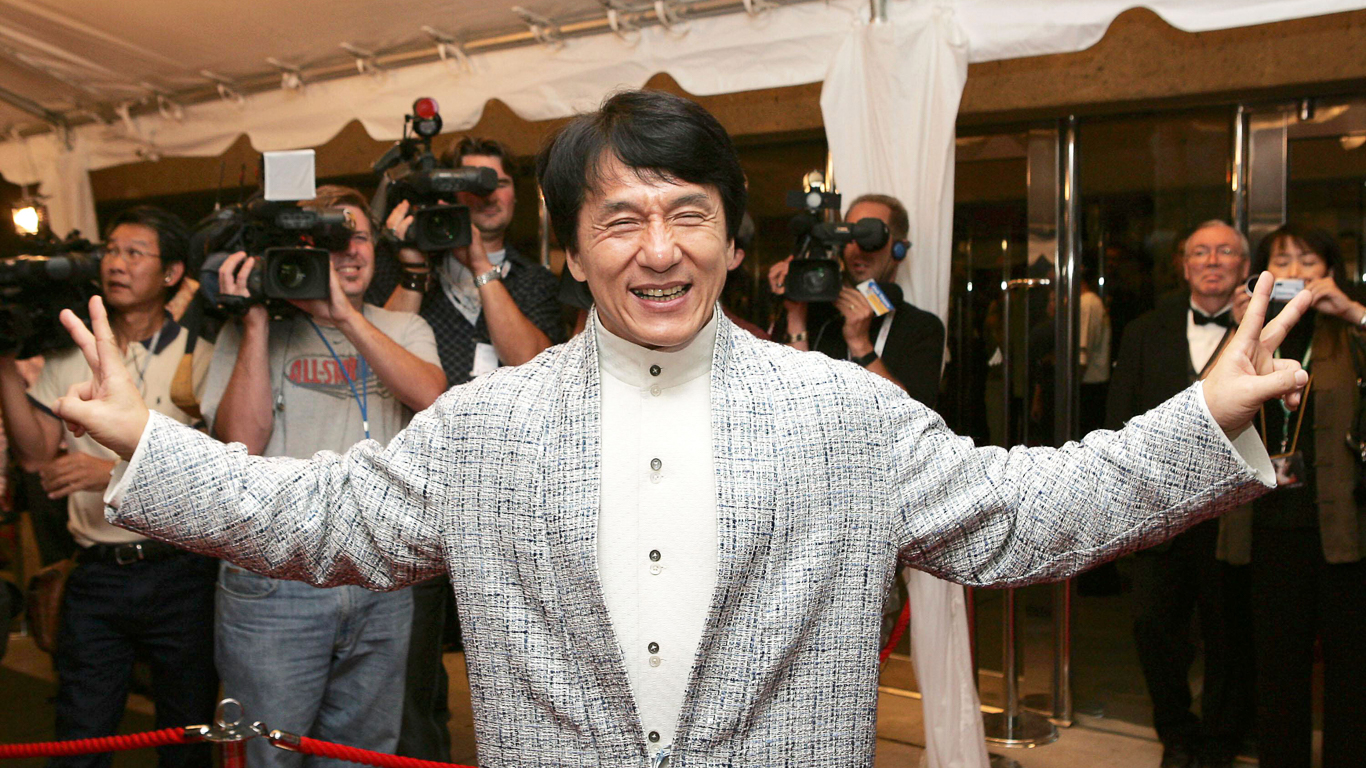 Jackie Chan, who has a net worth of $350 million, is planning to give the majority of his money to charity instead of his son, Jaycee. The actor is a UNICEF Goodwill Ambassador, campaigns against animal abuse and is the founder of the Jackie Chan Charitable Foundation, which offers scholarships to Hong Kong youth. 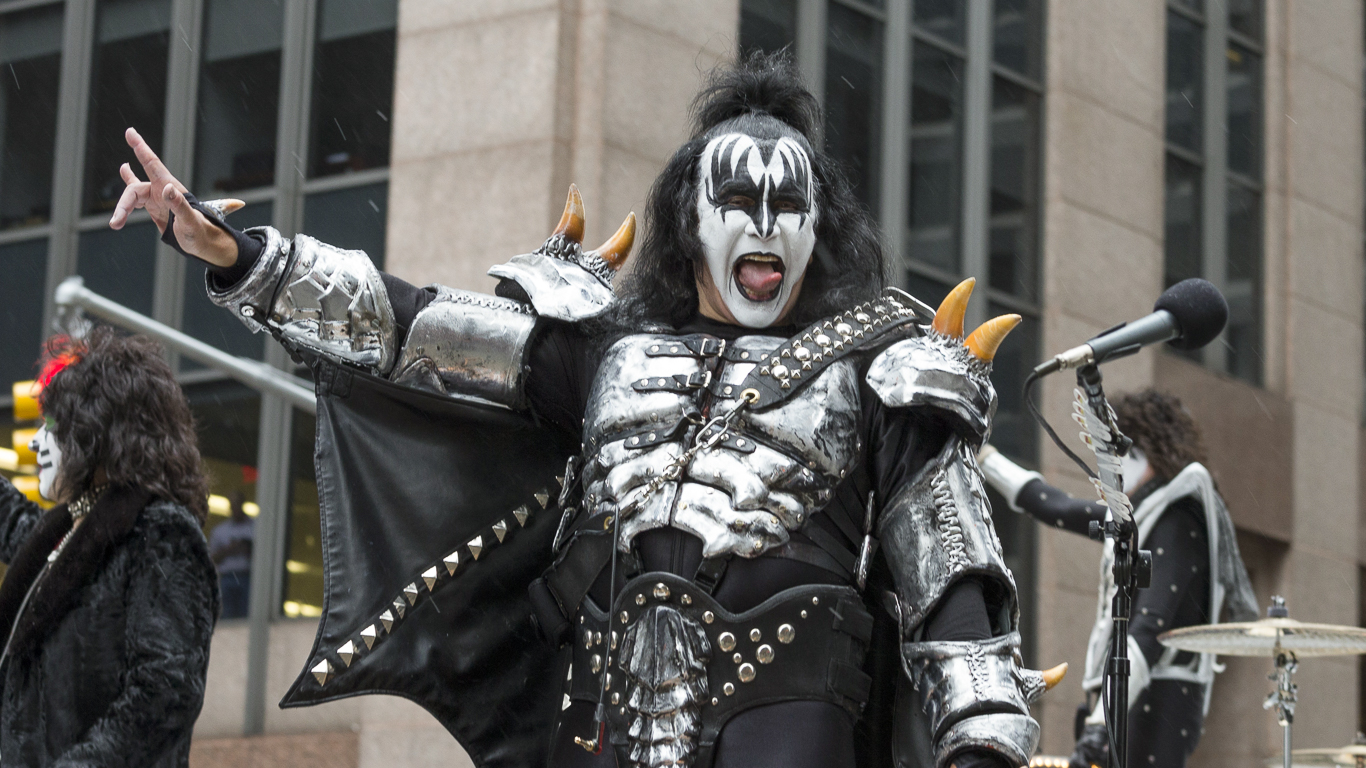 Gene Simmons has rocked his way to the financial top, earning more than $300 million over the course of his career. However, the Kiss bassist isn’t willing to hand over his fortune to his two kids, Nick and Sophie.

“What I wanna do is what every bird does in its nest — it forces the kids to go out there and figure it out for themselves. In terms of an inheritance and stuff, they’re gonna be taken care of, but they will never be rich off my money,” Simmons said on the CNBC show “Conversations with Michael Eisner.” “Because every year they should be forced to get up out of bed and go out and work and make their own way,” he added.

See: 25 Celebrities Who Use Their Wealth to Pay It Forward 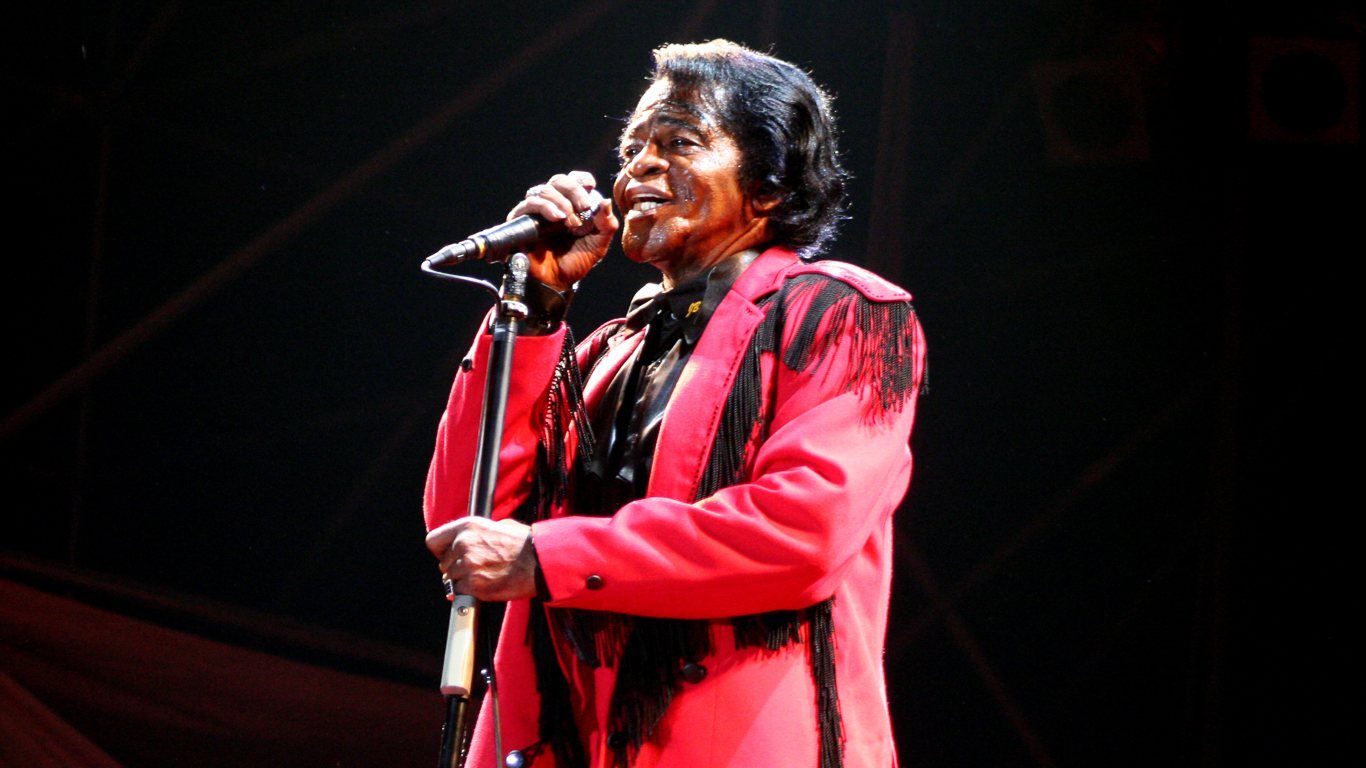 Before his death in 2006, James Brown donated a majority of his $100 million fortune to the I Feel Good Trust, a charity that raises funds for underprivileged children. But despite his wishes, his cash got tied up in a messy legal battle with his children.

In 2007, Brown’s kids filed a lawsuit against the representatives of their famous father’s estate to contest the will. While the South Carolina Supreme Court intervened in 2015, the issue was not yet resolved as of December 2017. 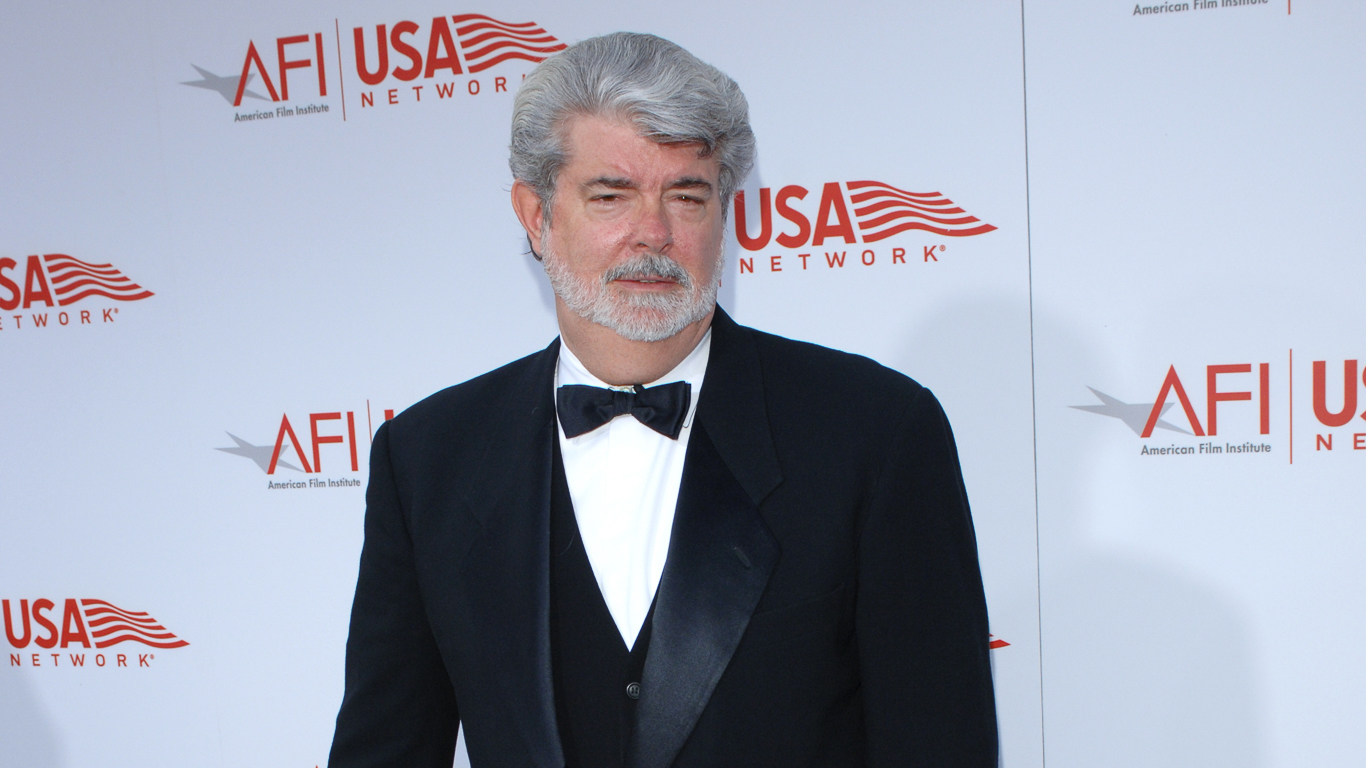 George Lucas is one of the richest directors in Hollywood. He’s amassed a fortune of more than $5 billion, but his four kids aren’t going to enjoy all the fruits of his labor. In fact, the filmmaker joined Warren Buffett and Bill Gates’ Giving Pledge, vowing to donate half his money to charity.

“I am dedicating the majority of my wealth to improving education,” the “Star Wars” creator wrote in his pledge letter in 2010. “It is the key to the survival of the human race.” 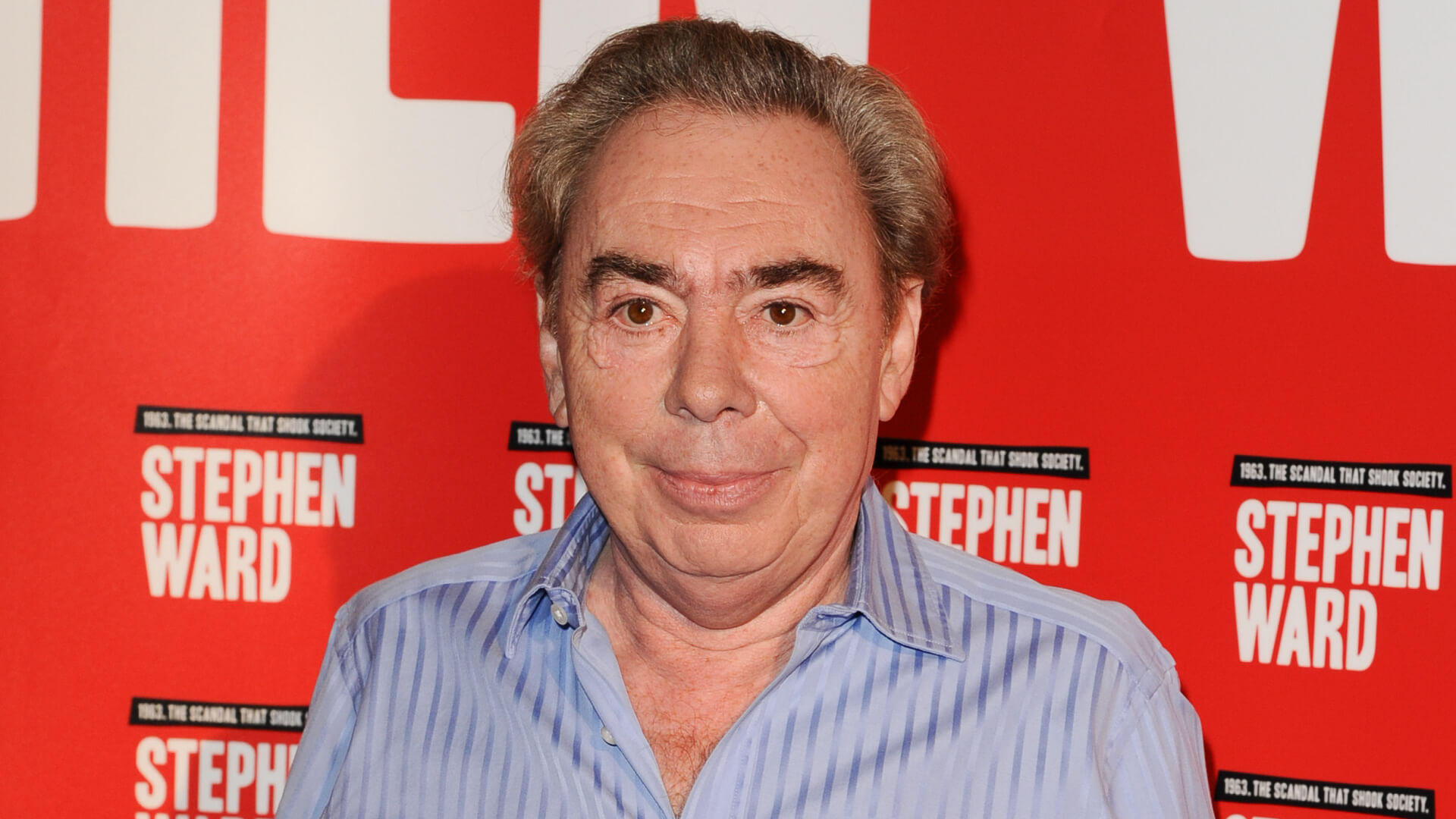 Andrew Lloyd Webber has a net worth of $1.2 billion, but he is not planning to turn his massive fortune over to his five children — Imogen, William, Alastair, Nicholas and Isabella. The English composer wants his family to learn the importance of working.

“They aren’t bothered. They don’t think that way. It is about having a work ethic — I don’t believe in inherited money at all,” he told the Daily Mirror. “I am not in favor of children suddenly finding a lot of money coming their way, because then they have no incentive to work.” Webber said that the majority of his money will go to social programs helping struggling singers and composers. 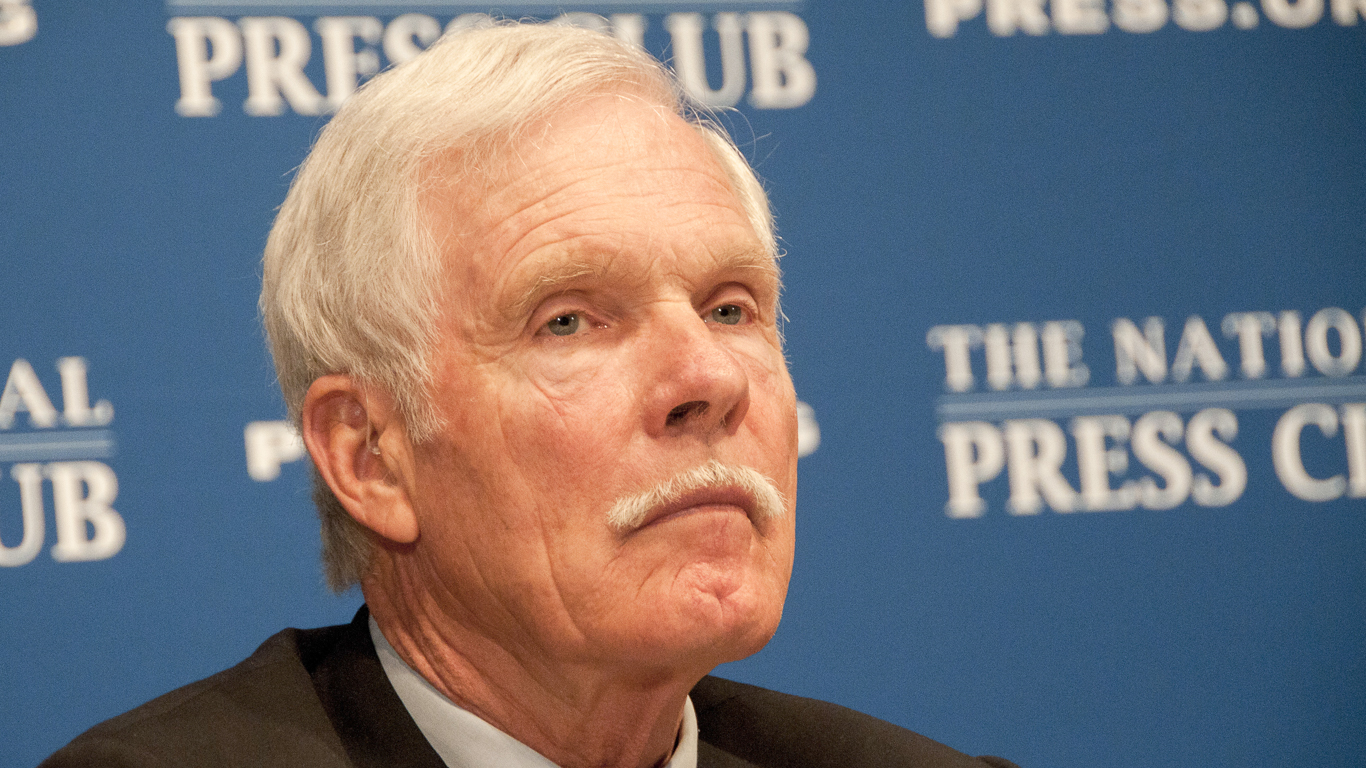 Ted Turner is one of the world’s top media moguls, earning more than $2 billion. While the businessman has allowed his five kids to get involved in his charitable work, he is not leaving them a substantial inheritance.

“At the time of my death, virtually all my wealth will have gone to charity,” Turner wrote in his Giving Pledge letter. “I’m particularly thankful for my father’s advice to set goals so high that they can’t possibly be achieved during a lifetime and to give help where help is needed most. That inspiration keeps me energized and eager to keep working hard every day on giving back and making the world a better place for generations to come.” 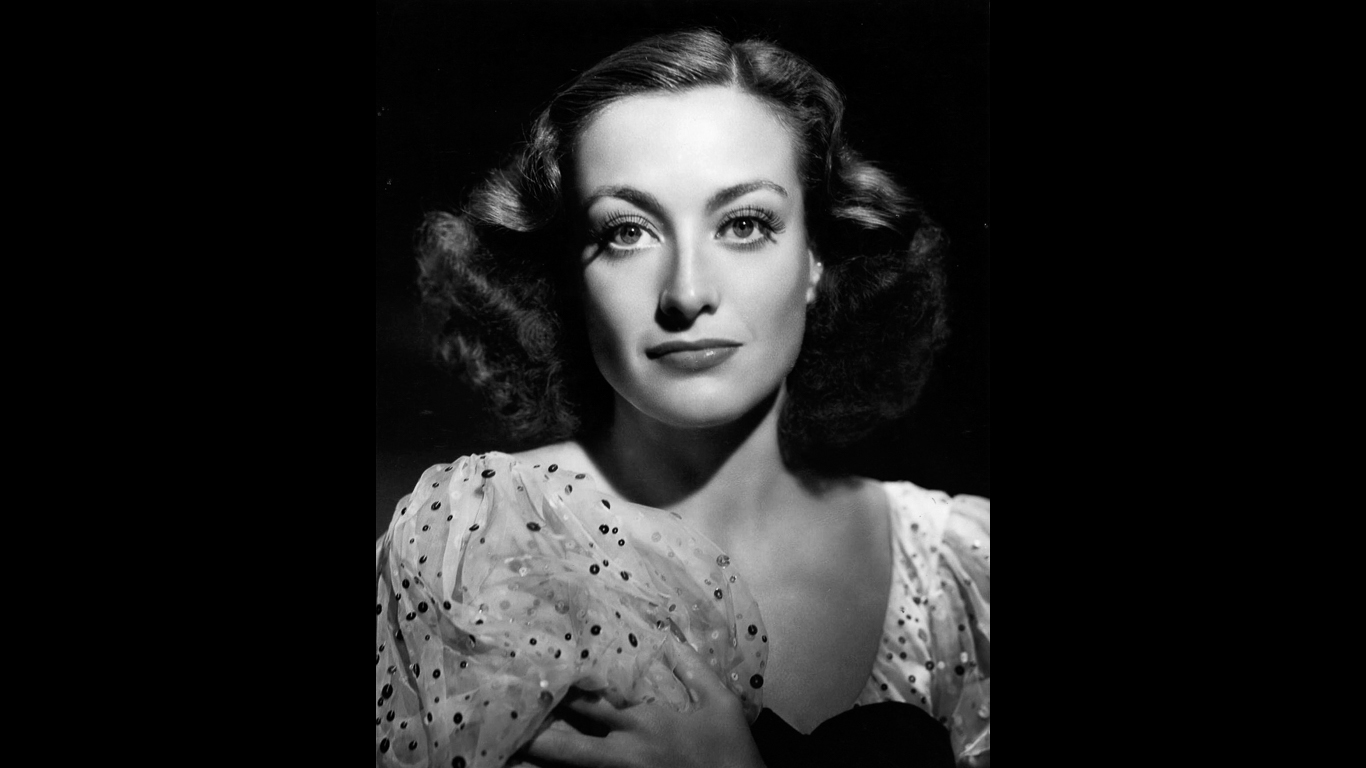 Joan Crawford had a net worth of $8 million when she passed away, a fortune that she chose to share with just two of her four adopted children. The actress, who died in 1977, famously left her twin daughters, Cindy and Cathy, about $77,000 each, while Christina and Christopher were cut out of the will entirely.

Christina went on to release a tell-all book about her allegedly abusive mother, called “Mommie Dearest.” Crawford talked publicly about her distaste for the project and problems she had with her estranged children.

“She is her own person, and that person brought me a lot of pain,” the Hollywood veteran said, according to Charlotte Chandler’s book, “Not the Girl Next Door.” “I said this about Christopher, and now I say it about Christina. The problem was I adopted her, but she didn’t adopt me.”

Next Up: Rich People Who Live Like the Average Joe