How Rich Is Queen Elizabeth and the Rest of the British Royal Family? 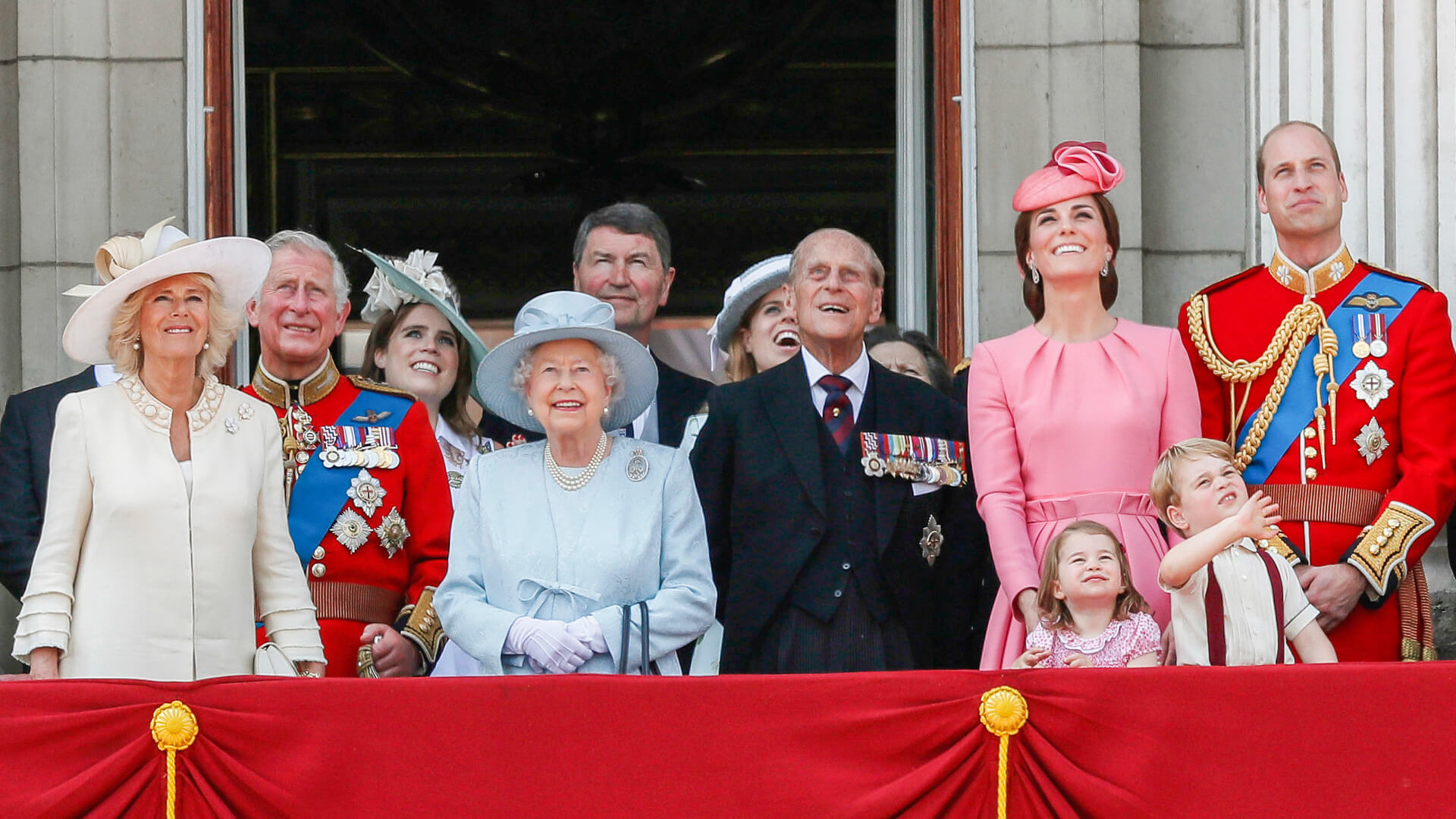 For centuries, Parliament has held most of the official power in the United Kingdom, but Britain’s first family still reigns. Never is that more apparent than when one of the family members celebrates a milestone, such as a royal wedding or a birthday.

One recent milestone was Prince Harry and Meghan Markle stepping back from their royal duties, which leaves them able to pursue financial independence. Although they could end up making many millions on their own, their net worth right now is relatively low compared with the British royal family’s total personal net worth, which Forbes reported to be $88 billion, as of 2017. Take a closer look at how much the British royals are worth — and how they’re spending some of that money.

Although Prince Harry and Meghan Markle no longer formally represent the Queen and will no longer use their official titles, family is still family. Markle joined the family when she tied the knot with Prince Harry in May 2018. The former “Suits” actress is worth about $5 million, although she and her husband share a combined net worth of $45 million — which is about how much their royal wedding cost.

Read: Meghan Markle and More Americans Made Royal by Marriage 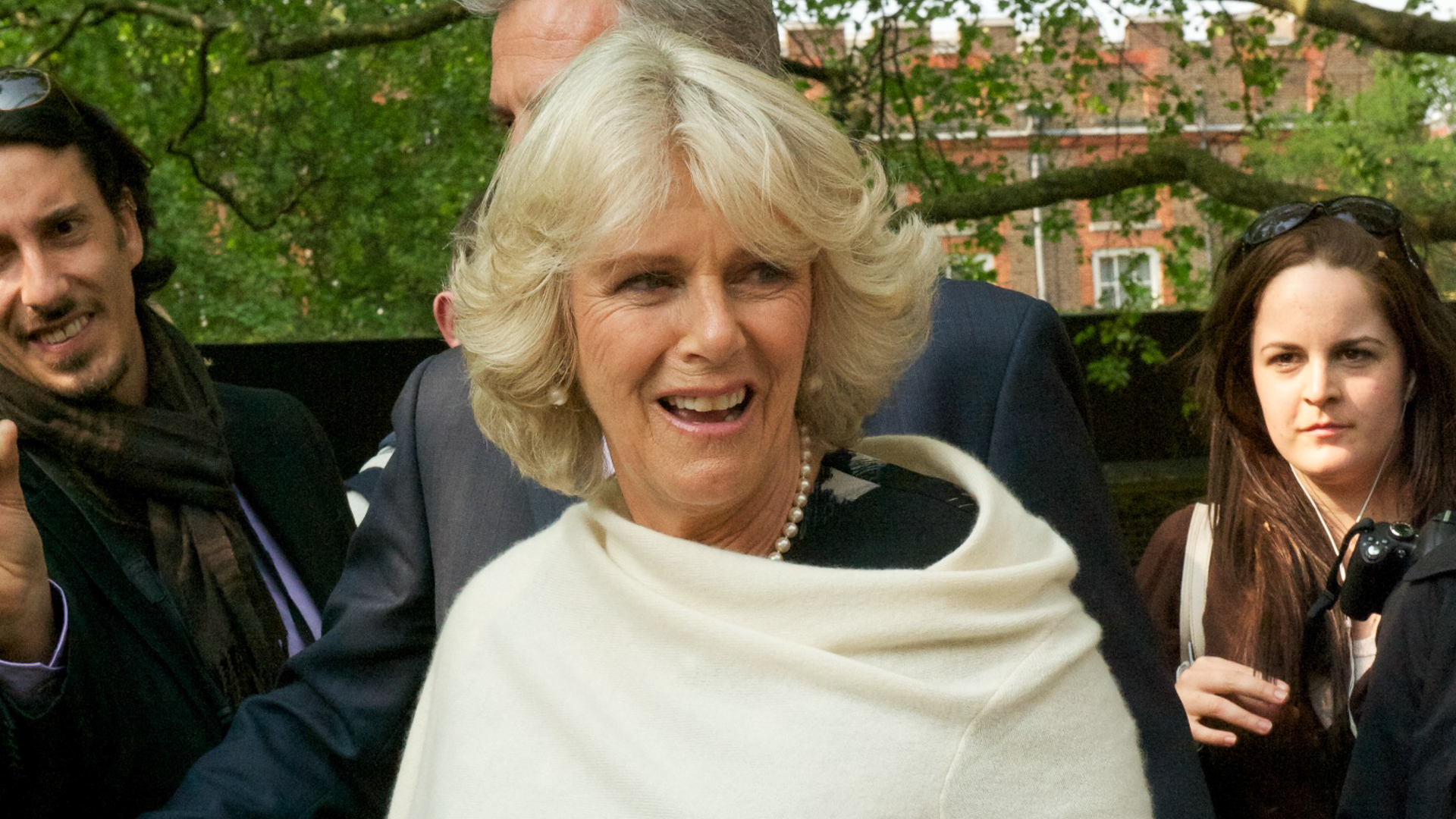 Married to Prince Charles since April 2005 — with reportedly no prenuptial agreement — Camilla Parker Bowles is formally known as Camilla, Duchess of Cornwall. Parker Bowles is said to be a kind, humble person who carries her own money.

She spends most of her time doing charity work dedicated to a variety of causes, including health and well-being, literacy promotion, helping the less fortunate, Cornwall-based charities, heritage and the arts, animal welfare, sexual assault and cancer. 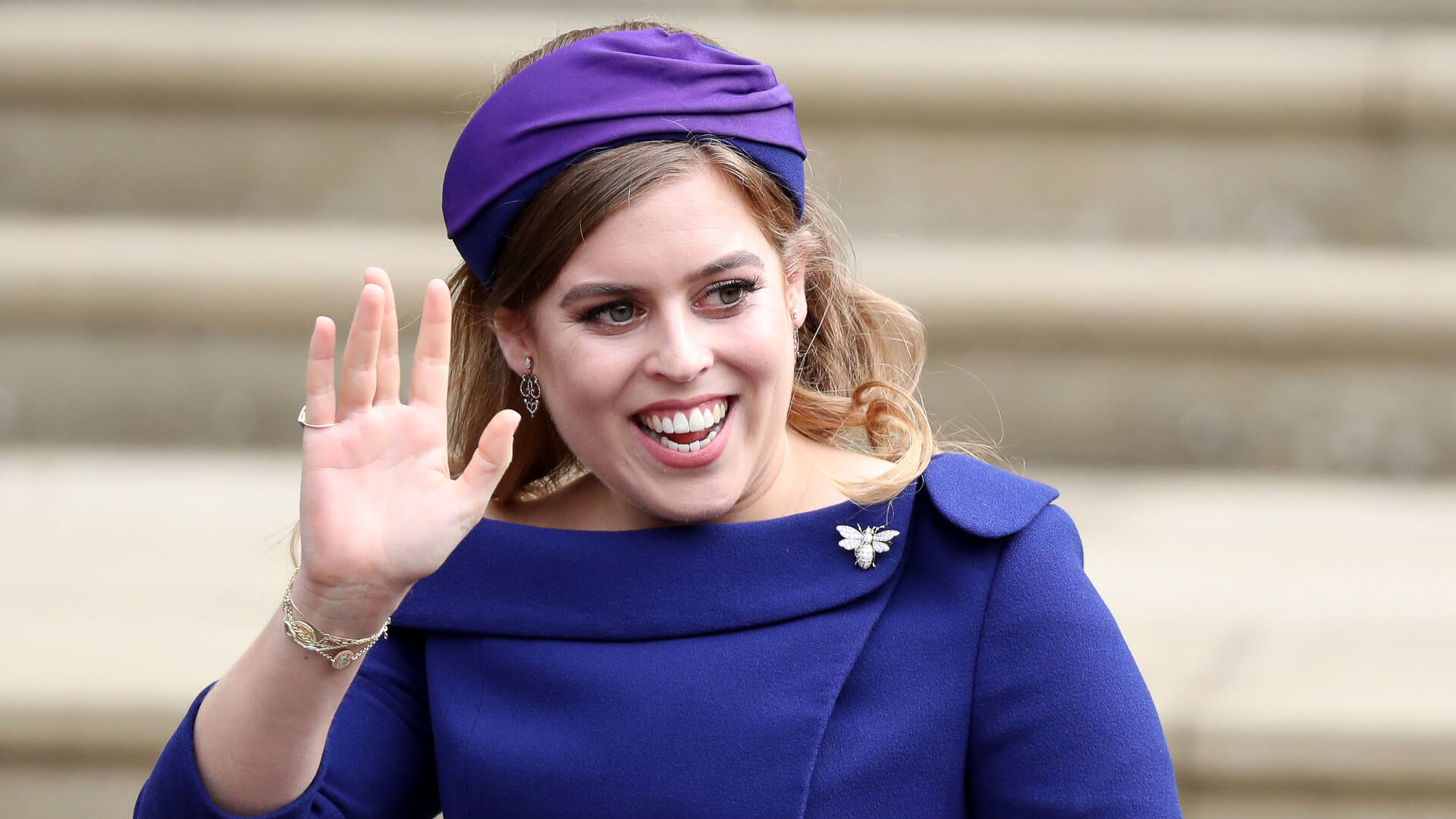 Princess Beatrice works full time in business and contributes much of her time and efforts to a variety of causes, such as the Berkshire Community Foundation, Broomwood African Education Foundation, English National Ballet School and the Forget Me Not Children’s Hospice. 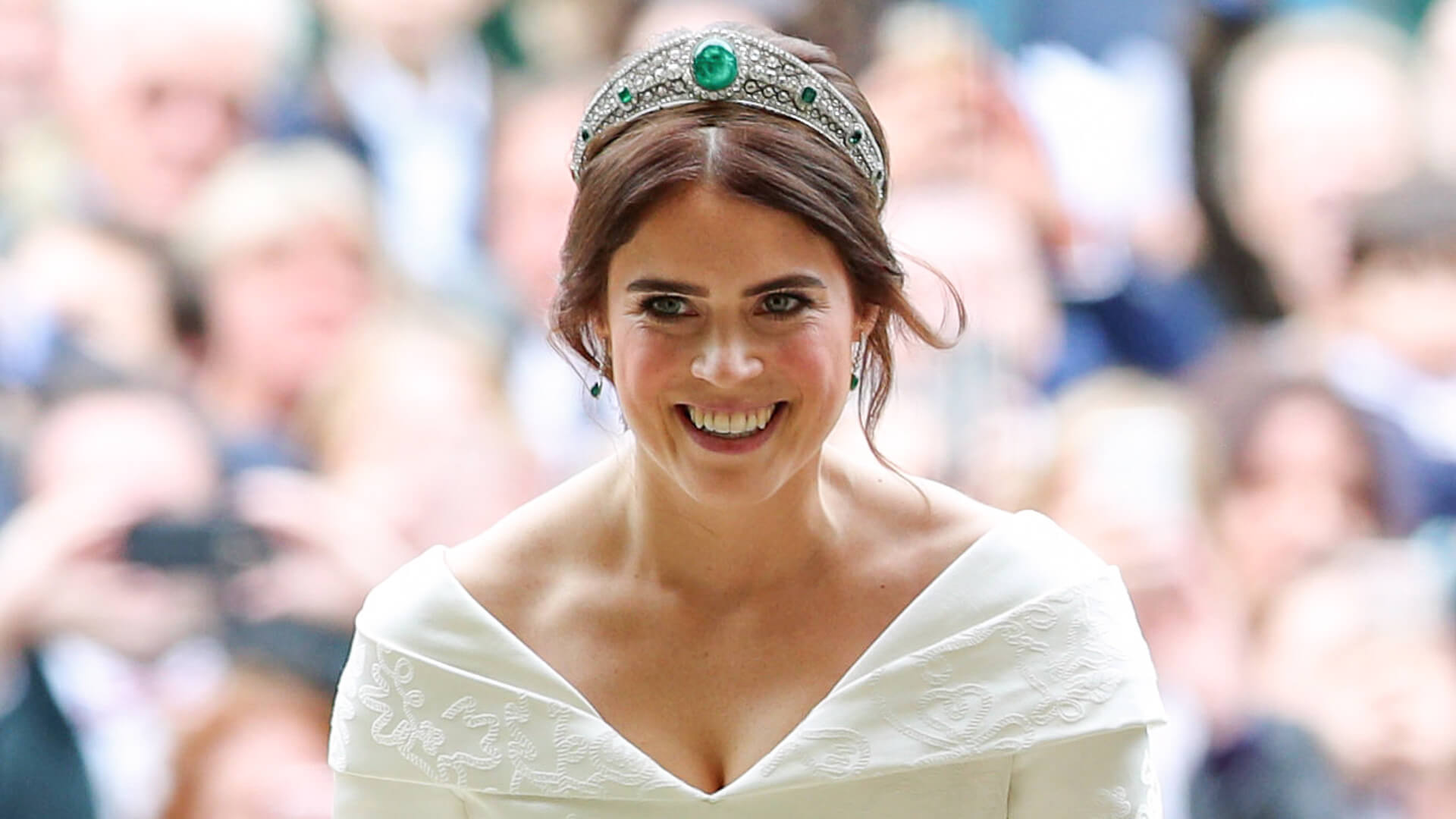 Princess Eugenie tied the knot with her husband Jack Brooksbank at St. George’s Chapel in Windsor Castle on Oct. 12, 2018. Brooksbank is the European manager for Casamigos Tequila, according to Town & Country. Her wealth is rumored to be held in trust funds set up by her grandmother, Queen Elizabeth II, and her great-grandmother, the Queen Mother, as well as a trust set up by her divorced parents, Prince Andrew, Duke of York, and Sarah “Fergie” Ferguson.

Eugenie’s net worth is estimated to be around $10 million, according to Celebrity Net Worth. Unlike other royalty, some of this might come from Eugenie’s own earnings. She holds degrees in art history and English literature and currently works in London as an associate director at an art gallery. 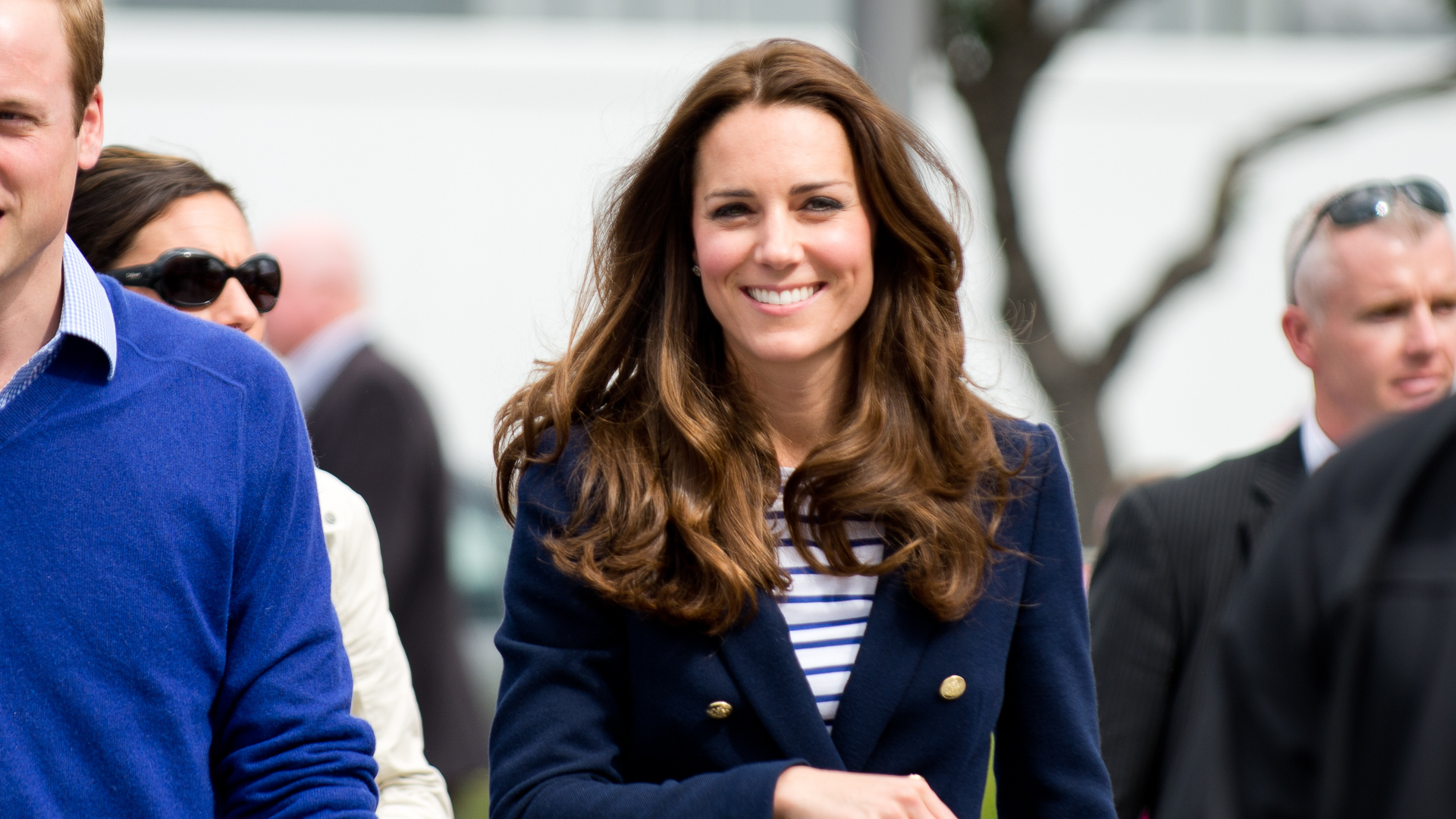 It’s only a fraction of the British royal family net worth, but Kate Middleton’s entrepreneurial family has an estimated fortune of $5 million thanks to their company Party Pieces. Now the mother of Prince George, Princess Charlotte and Prince Louis, it’s unknown how much — if any — of her net worth comes from the Middleton family, but her grounded nature and enviable fashion sense have turned her into a beloved international superstar.

Prince Charles covers her staff, travel and official wardrobe expenses. Some of her other travel costs are often funded by the countries she visits, allowing her to keep more of her own money in the bank.

Find Out: These Are the 12 Richest Princesses in the World 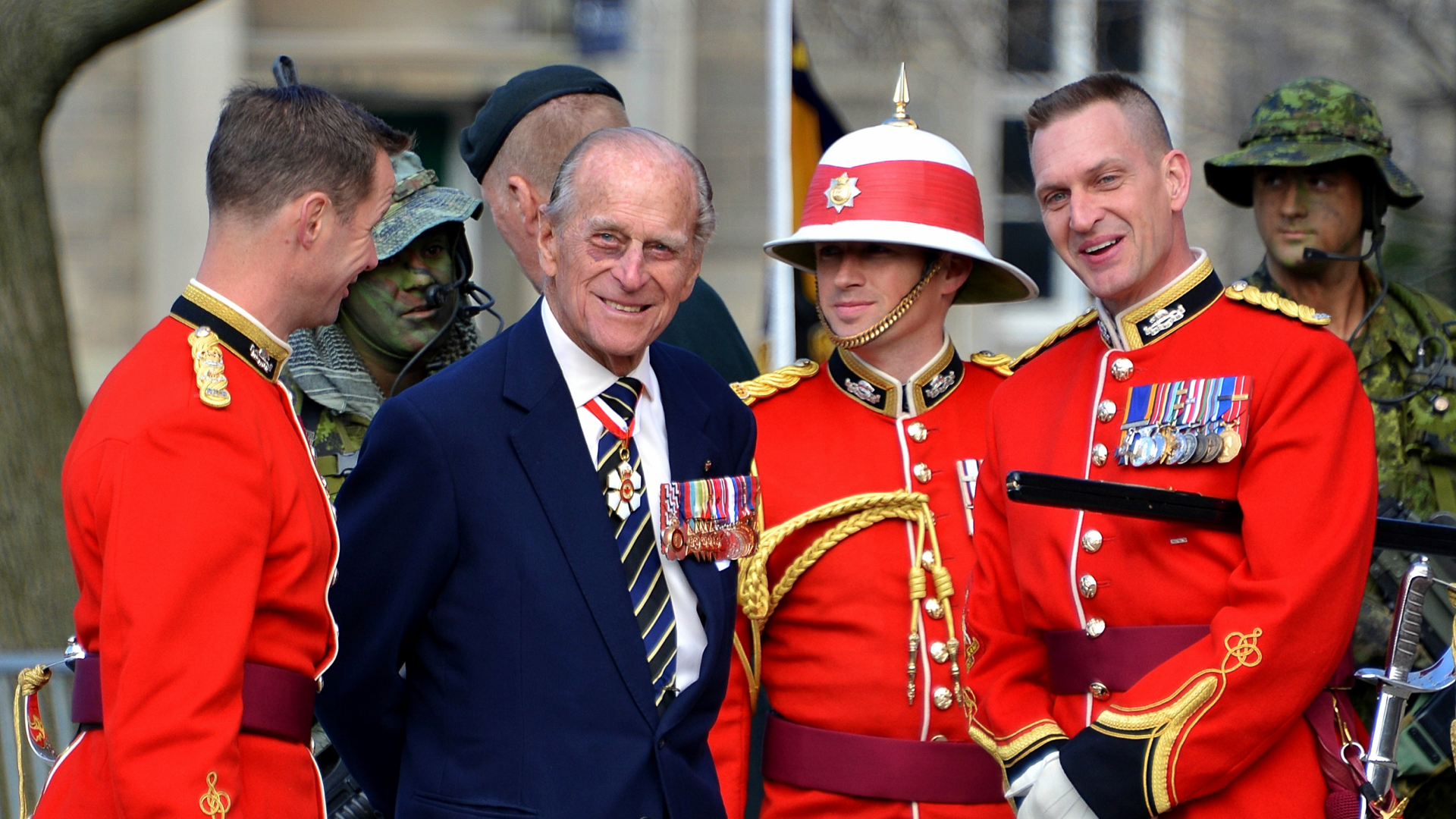 Prince Philip has been married to Queen Elizabeth II since November 1947. Due to long-established rules and regulations set by the monarchy, he never took on the title of king, but royalty is in his blood. Born Prince Philip of Greece, his father was Prince Andrew of Greece and Denmark and his mother was Princess Alice of Battenburg.

A fourth cousin of his wife, Prince Phillip served in the British Royal Navy from 1939 to 1953. Also an accomplished pilot, he earned his Royal Airforce Wings in 1953 and garnered more than 5,900 flight hours over a 44-year span. 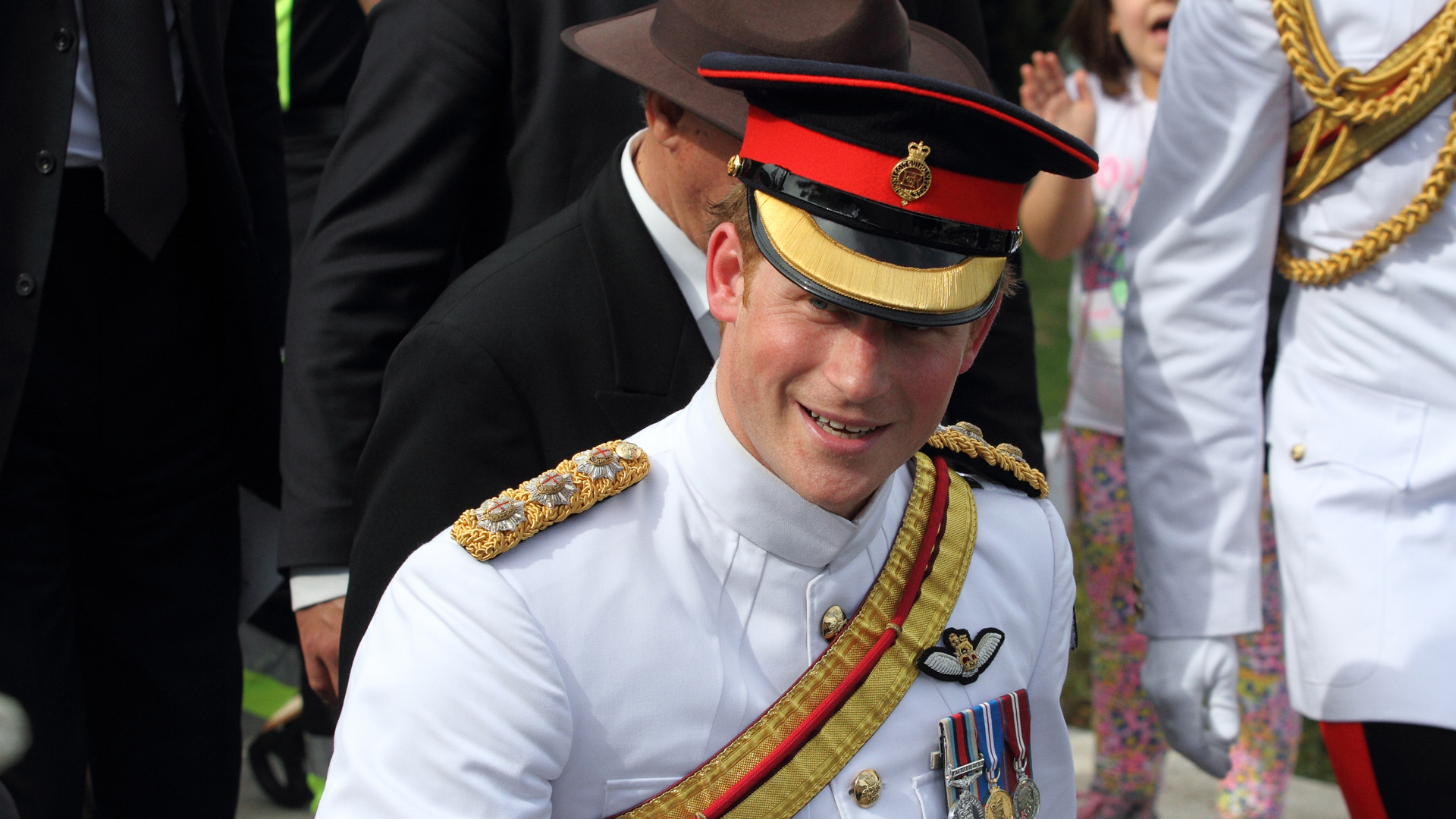 Now removed from official royal duties, Prince Harry retired from his 10-year British Army career in 2015. Prior to his departure from the service, he was a captain in the Army Air Corps with an approximate annual salary of $45,000.

His royal net worth saw a significant increase following his 30th birthday in September 2014, when he received an estimated $12.3 million inheritance from the estate of his late mother, Princess Diana. 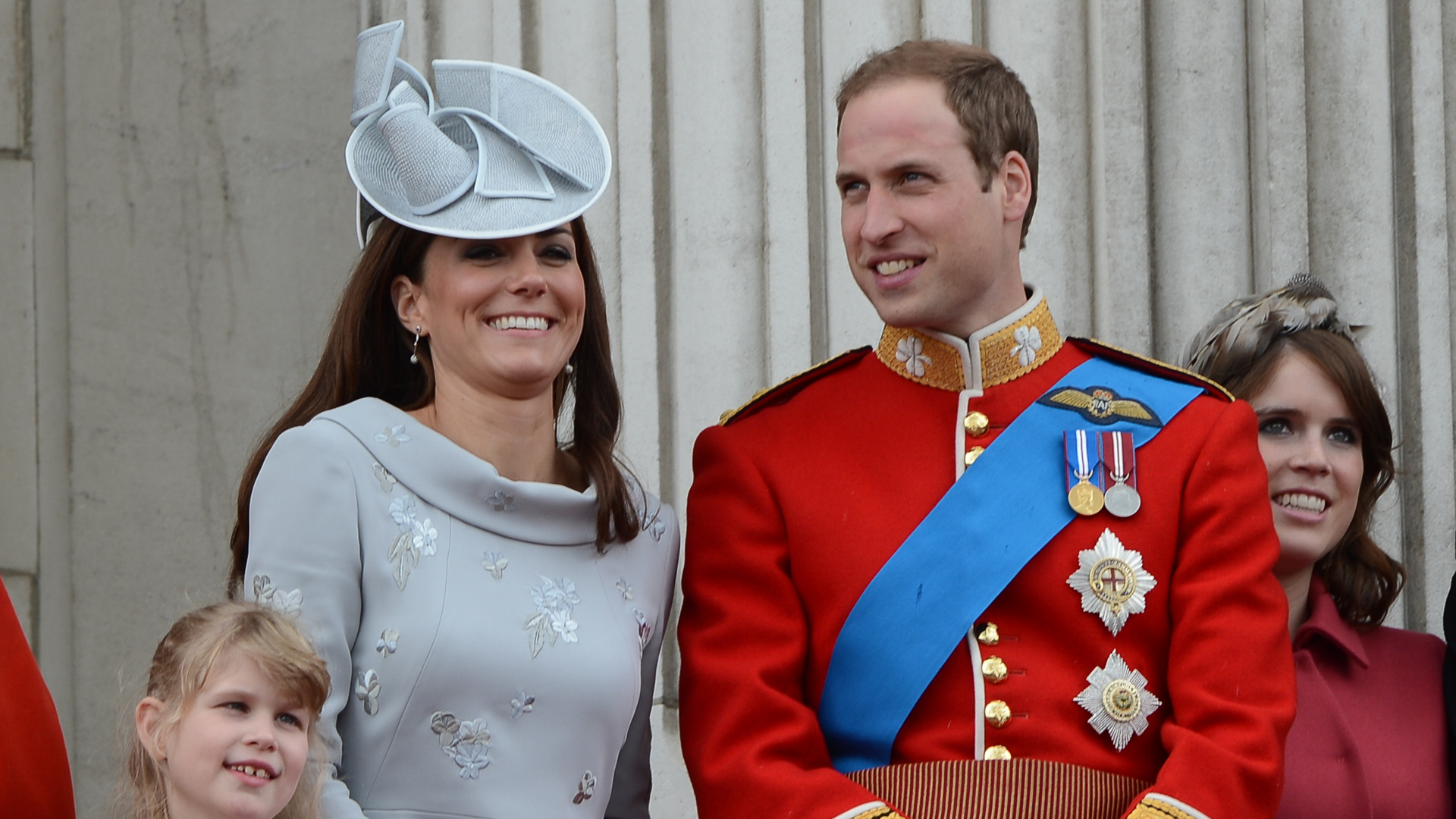 A large portion of the future King of England’s net worth comes from a roughly $12.3 million inheritance, received from the estate of his late mother, Princess Diana, on his 30th birthday in 2012.

Despite his British royal family net worth, Prince William worked as a helicopter pilot for East Anglian Air Ambulance. He donated his entire $62,000 annual salary to charity — the prince now works full time as a royal. 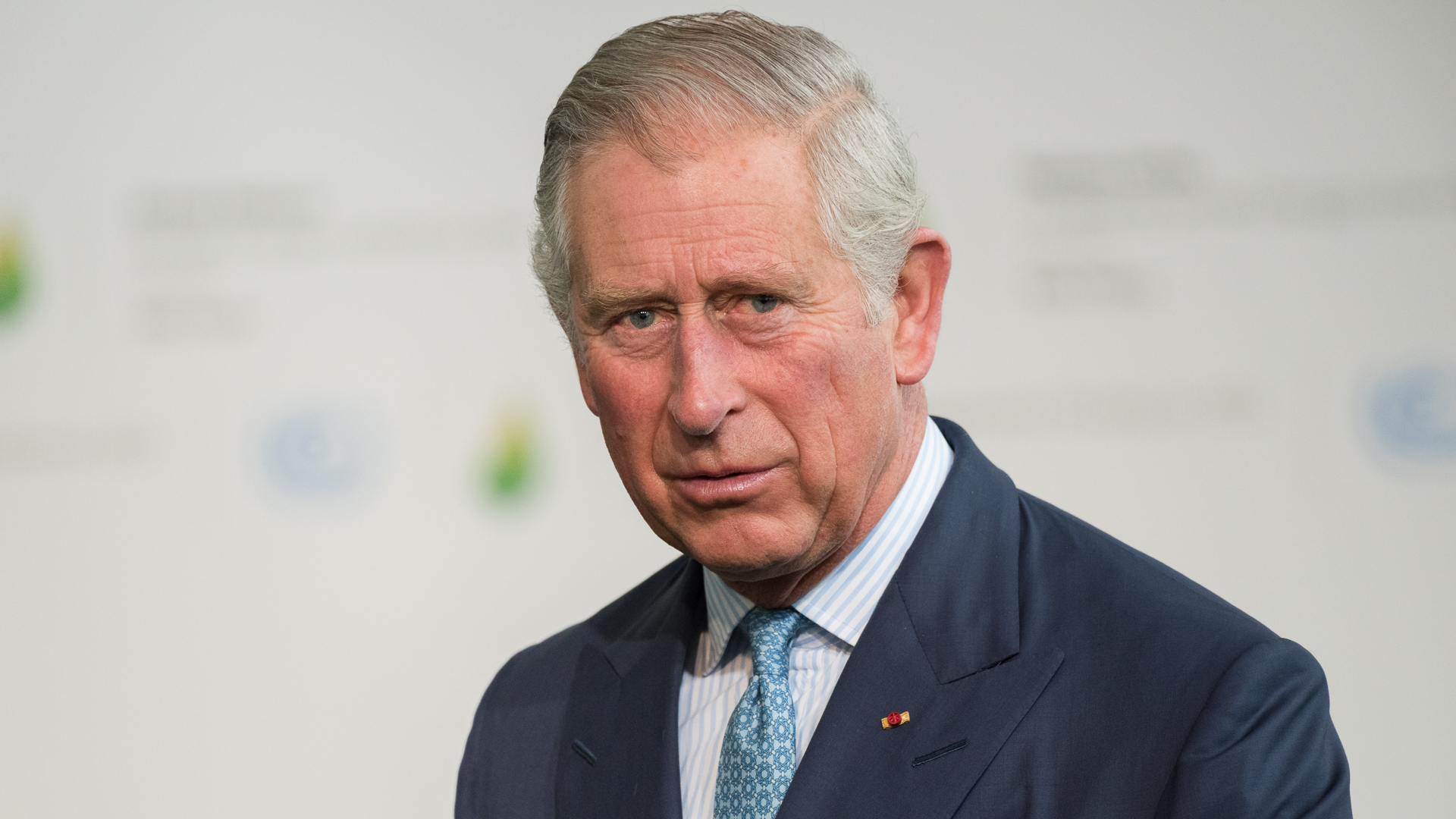 The next in line to the English throne, Prince Charles reins over much of the British royal family net worth. His total assets have reached an all-time high of nearly $1.3 billion.

Charles’ earnings are mainly due to the Duchy of Cornwall, a massive real estate portfolio he doesn’t own but receives all income from as the Duke of Cornwall. It paid him more than $20 million for the year ending March 31, 2018, according to its annual report. 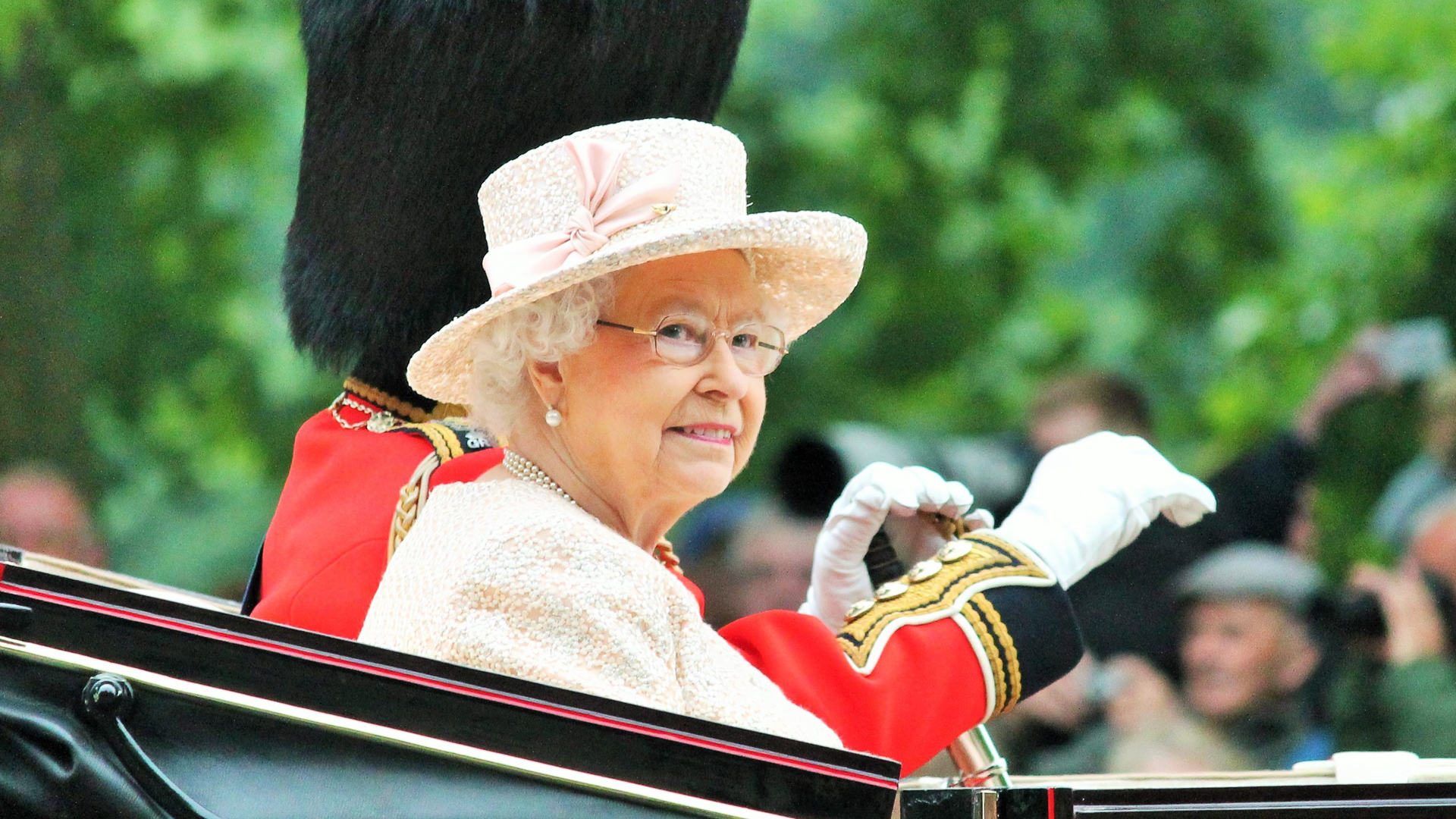 One of the richest, most powerful women in the world, the bulk of the royal family net worth comes from Queen Elizabeth II. Her private real estate portfolio includes the prestigious historic buildings Sandringham House and Balmoral Castle. The properties are valued at $65 million and $140 million, respectively, according to Forbes. Her Majesty also owns agricultural land and horse farms throughout England and has also acquired valuable property in London.

As the Queen of England, she receives 15% of the Crown Estate income — The Sovereign Grant — to fund official functions and all income from the Duchy of Lancaster, despite not having an ownership stake in either.

All net worth figures are according to Celebrity Net Worth unless otherwise noted.