Today’s Richest Athletes in the World 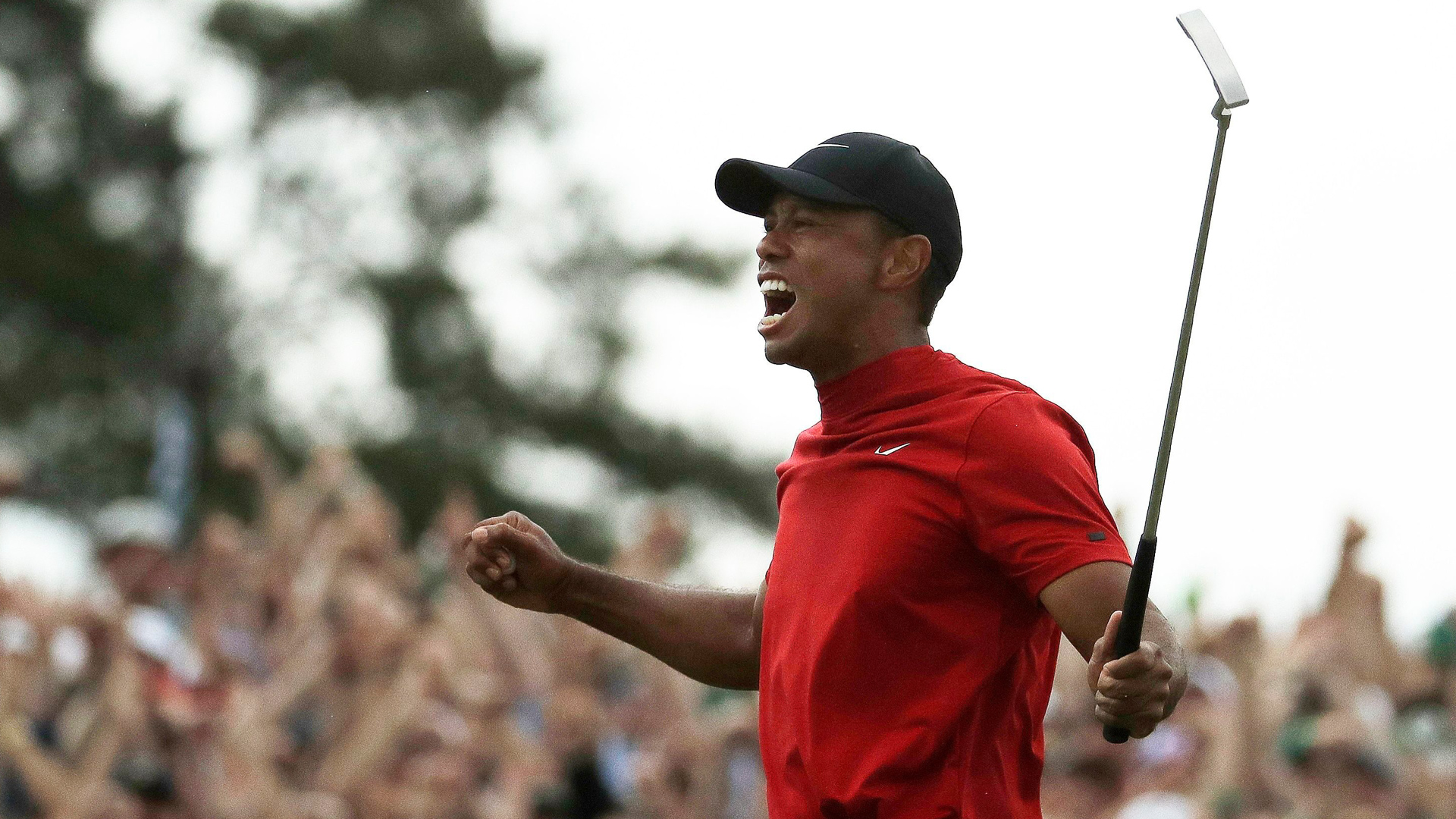 The richest athletes in the world have always had more than just technical skill, agility and speed — their record-breaking wealth doesn’t just come from world titles or being inducted into the hall of fame. Many of the world’s wealthiest sports stars earned their way to the top through endorsements, investments and lucrative business ventures. Although some of these athletes are now retired, they’ve kept their net worths growing to stay among the richest. 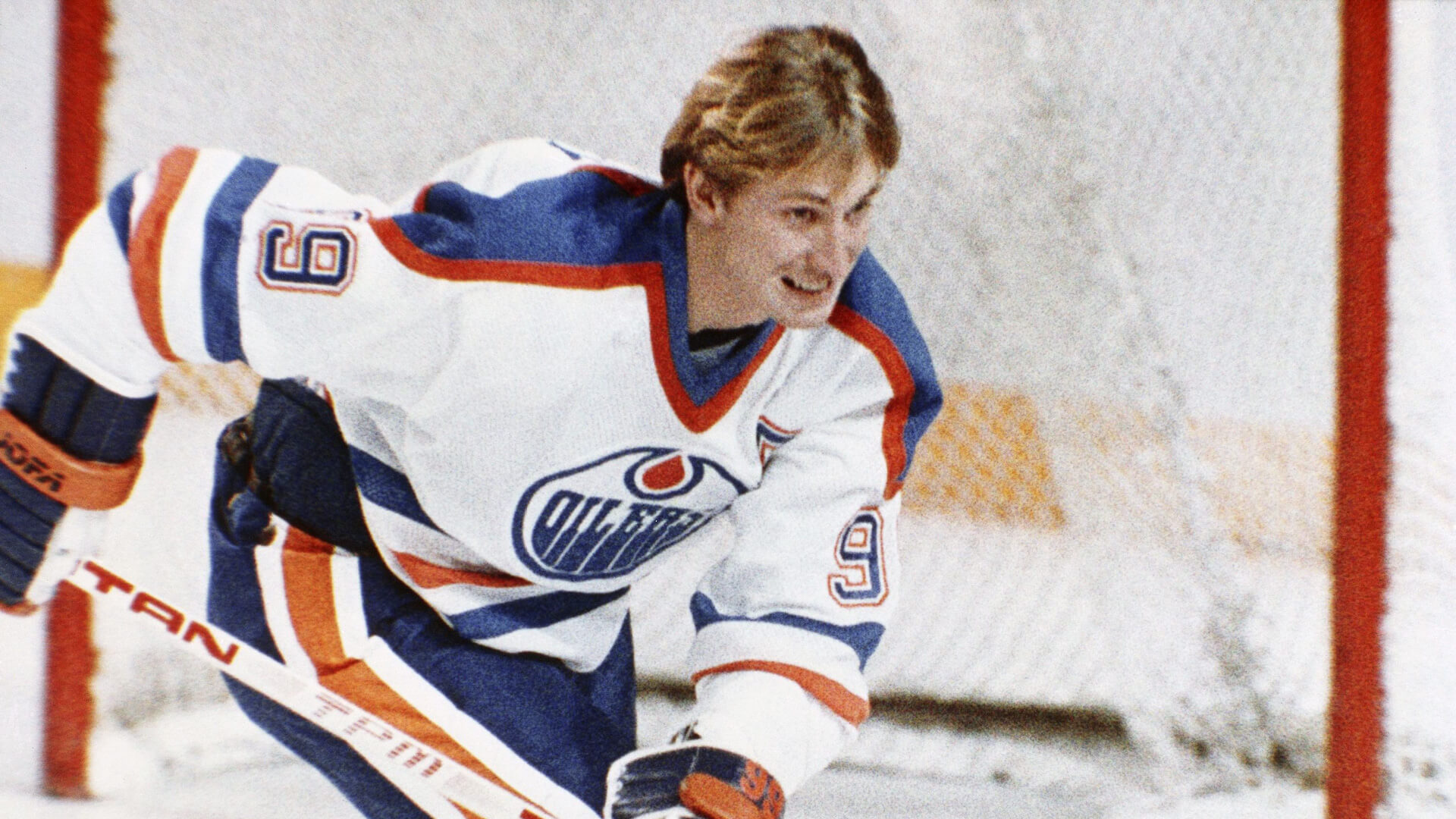 Wayne Gretzky, “The Great One,” is the only NHL player to make this list. He’s won four Stanley Cup championships, won the NHL MVP nine times and held 61 NHL records when he retired in 1999. His jersey number, 99, has been retired by all teams in the NHL, proving he’s a legend in the hockey world and deserving of his spot as one of the richest athletes. Since retiring, Gretzky has started the Wayne Gretzky Foundation, coached the Phoenix Coyotes and, in 2016, became a partner and the vice chairman of the Oilers Entertainment Group. 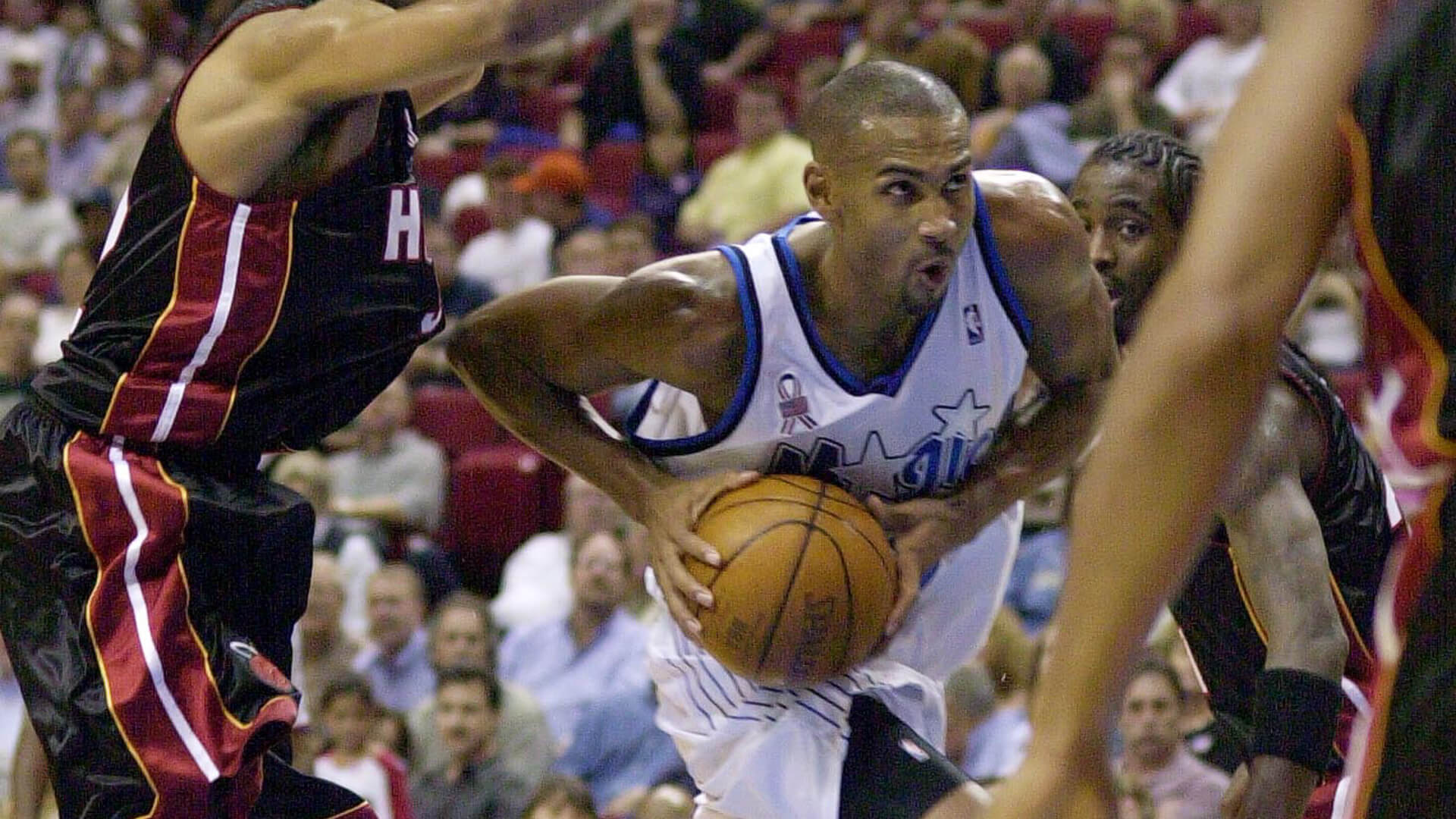 Grant Hill had a successful 19-year basketball career where he was one of the highest-paid basketball players of all time. He had a career salary of $140 million and, like many other well-known athletes, he earned another $120 million from endorsement deals. His most notable endorsement was a lifetime deal with Fila. Since retiring in 2013, Hill has become a basketball analyst and talk show host for Turner Sports. 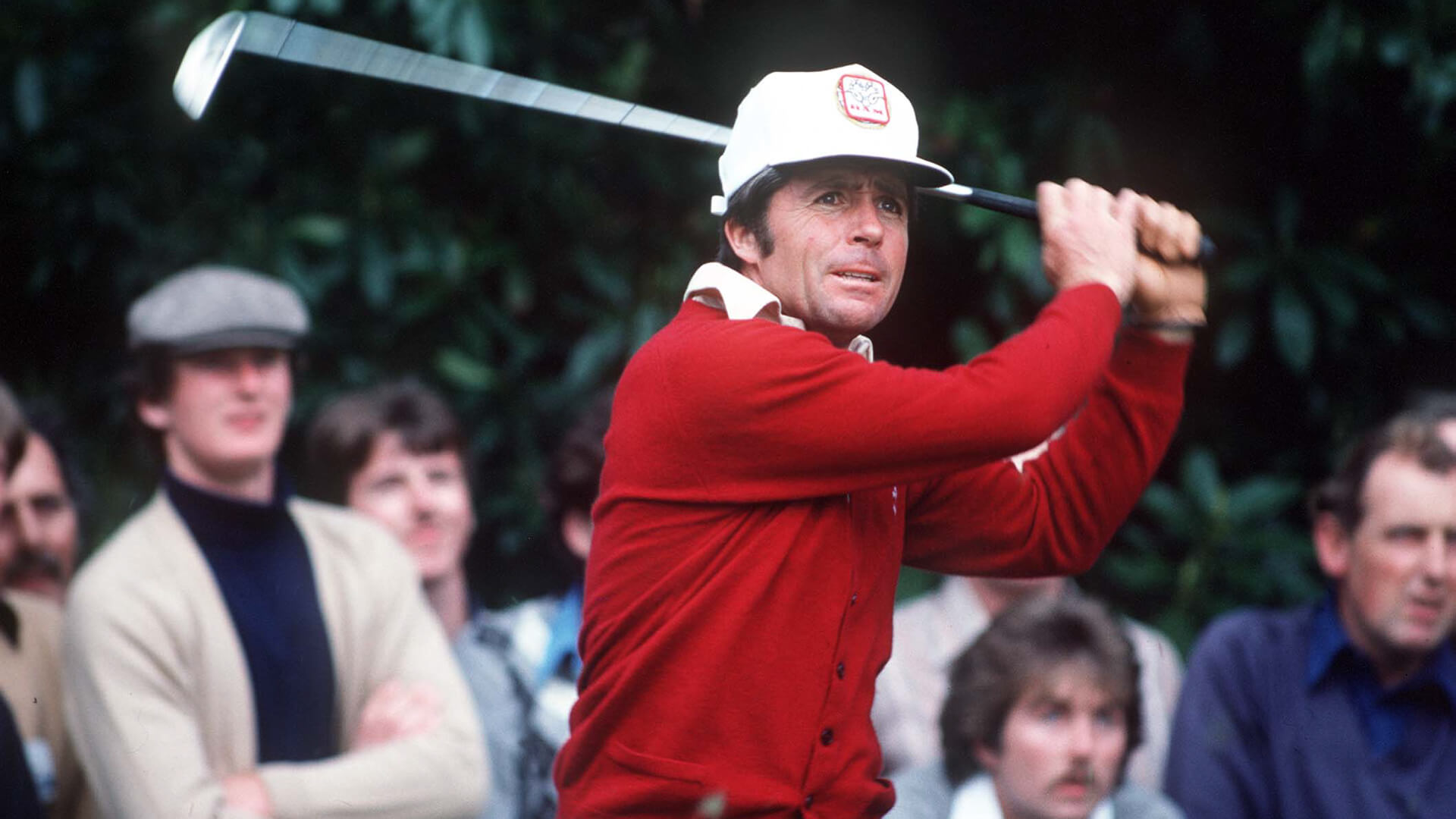 Retired South African golfer Gary Player is one of the most successful golfers of all time — he’s won a total of 18 major championships, nine on the regular tour and nine on the senior tour. Since retiring, Gary Player founded the Black Knight company, which features a variety of offshoots including retail, estates, a golf academy and a charity golf invitational that has raised upwards of $64 million for children around the world. 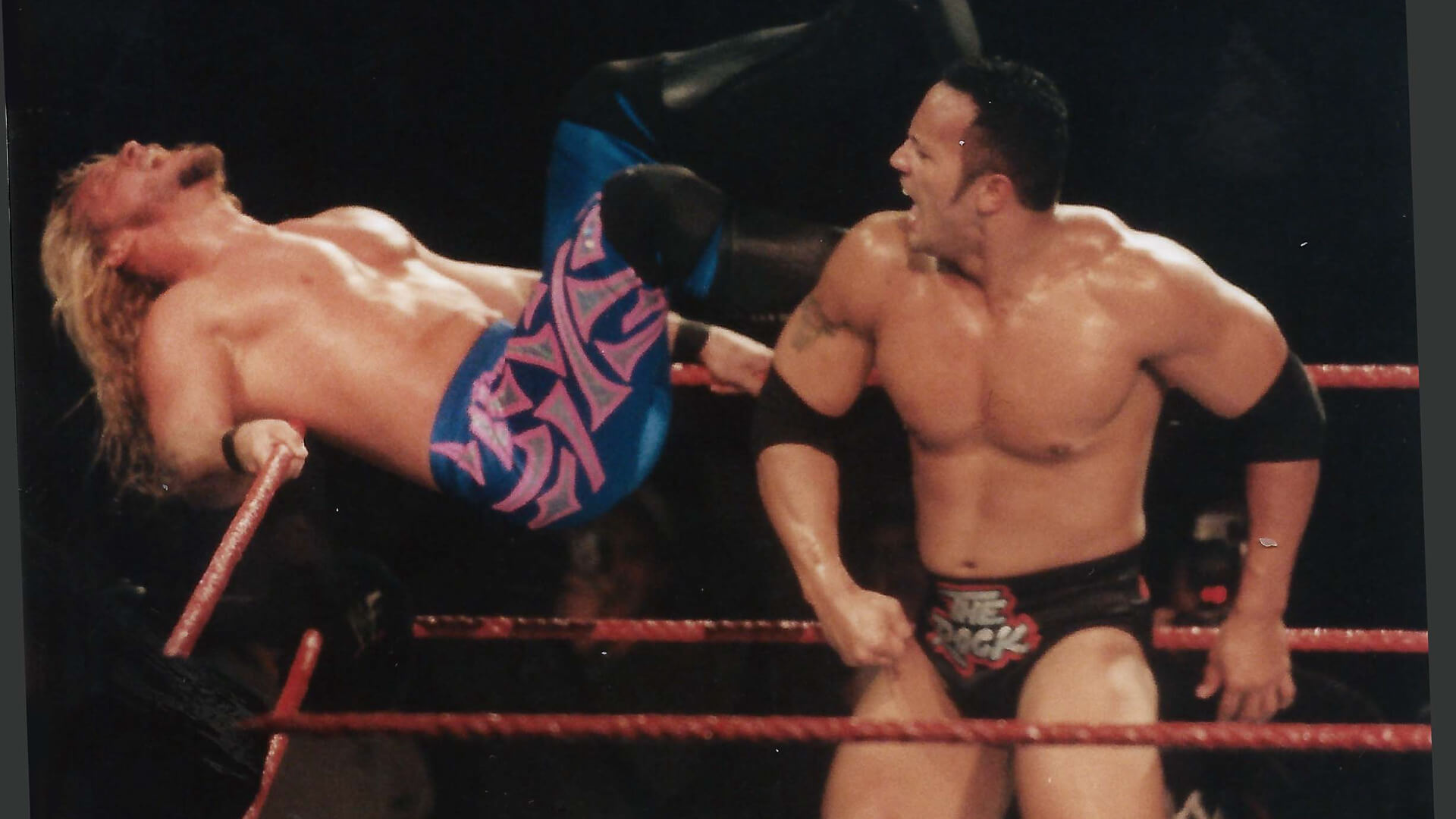 Dwayne Johnson, more commonly referred to as “The Rock,” is a man of many talents. He won the national championship playing football at the University of Miami and he’s won eight WWE Championships. But his successes don’t stop there — “The Rock” is now a full-fledged Hollywood star. He’s hosted “Saturday Night Live” and starred in movies like “Jumanji: Welcome to the Jungle,” a number of “The Fast and the Furious” films and “Baywatch.” It’s clear the world is obsessed with Johnson, and it makes sense he’s one of the richest athletes alive. 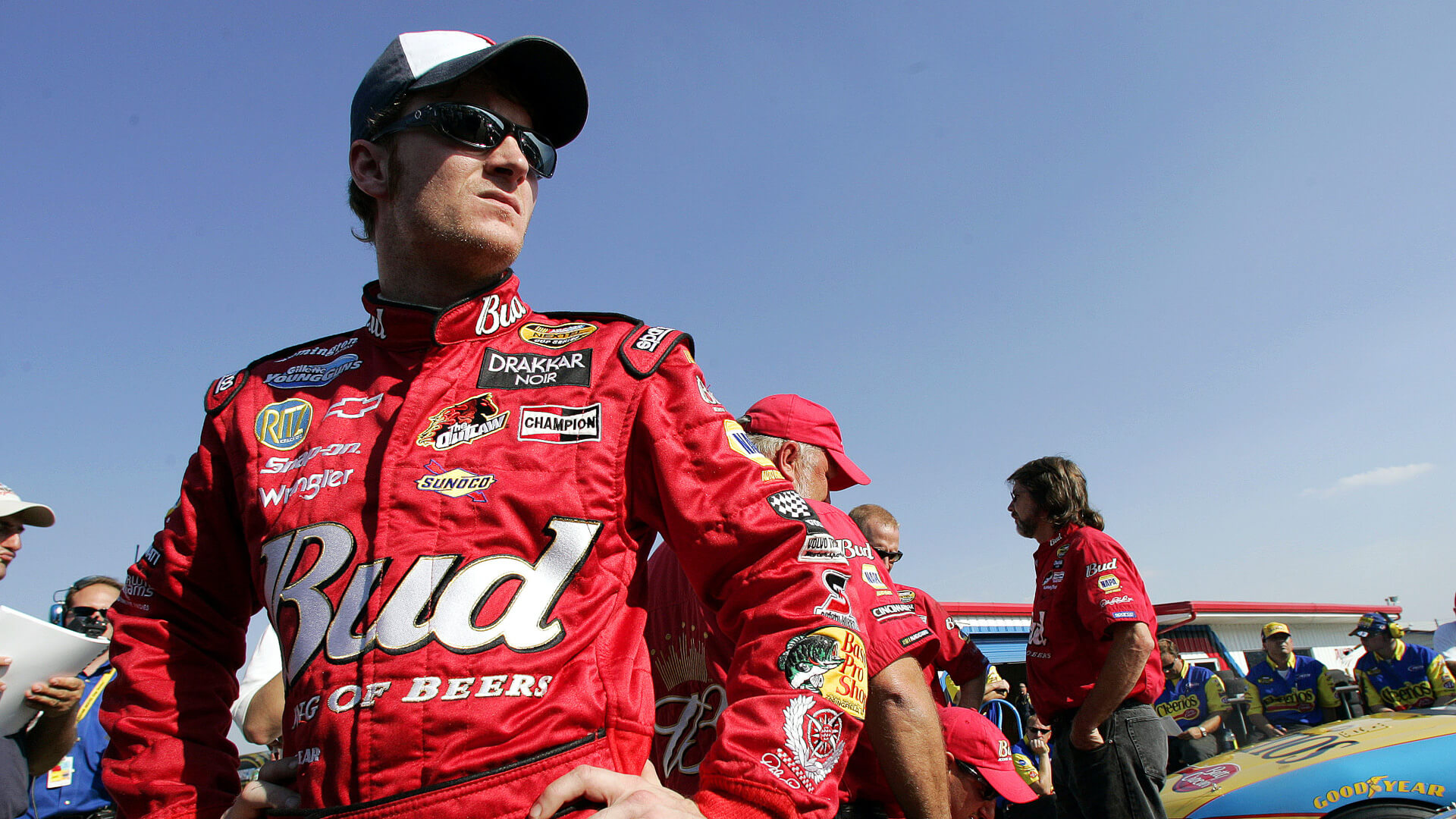 Dale Earnhardt Jr. could be considered the golden boy of race car driving — he was voted Nascar’s most popular driver for 14 years straight before he retired in 2017. He earned over $400 million during his career, most of which came from endorsements, which is not shocking given how popular he is with audiences. Notable partners include Nationwide and Chevrolet. Now, he owns his own race car team. 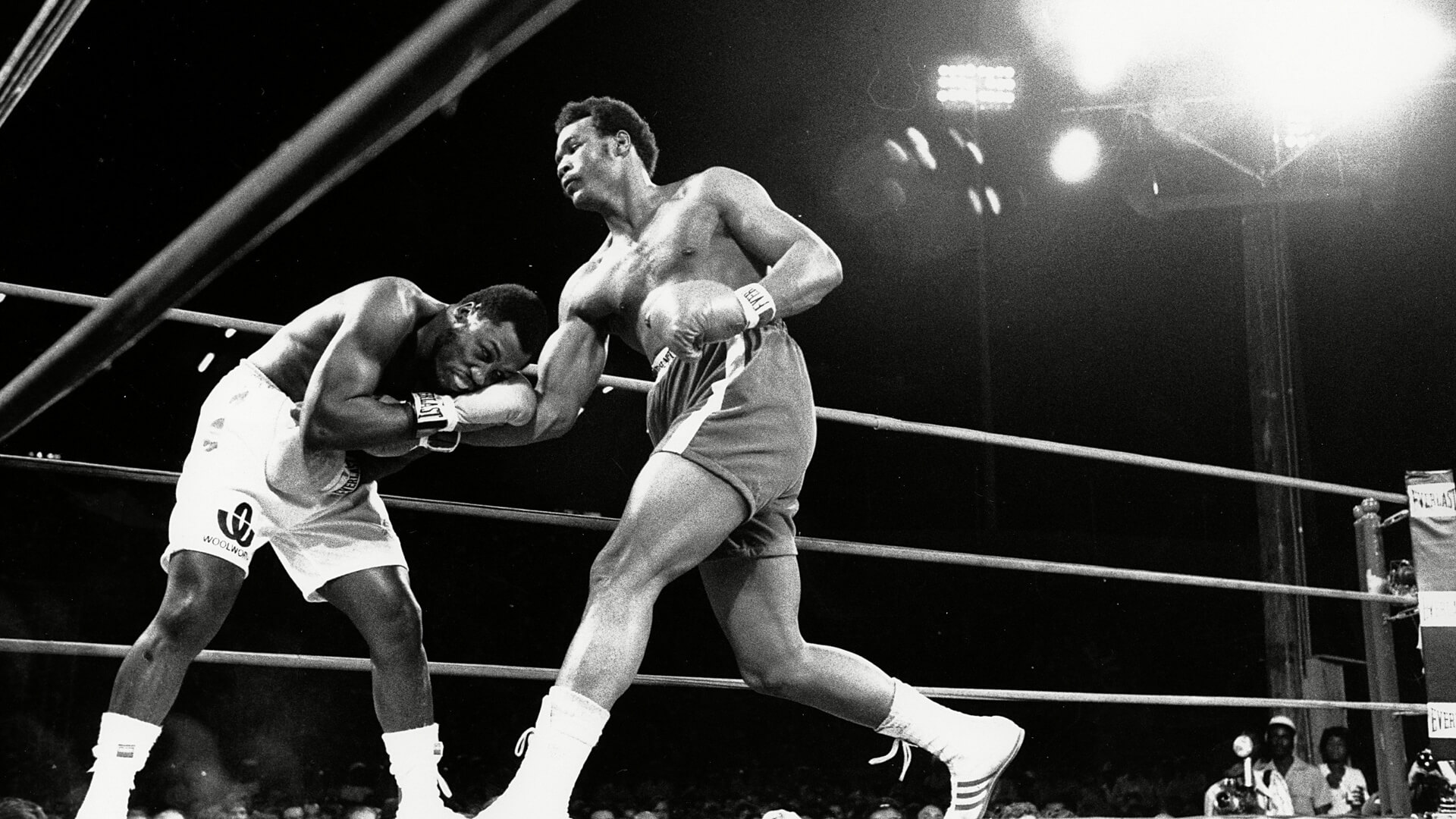 George Foreman is a two-time world heavyweight boxing champion and Olympic gold medalist, but most of his fortune actually comes from his eponymous grill. When he retired from boxing, he only had a net worth of $5 million, so it’s clear his entrepreneurial capabilities catapulted him into a much larger fortune. Foreman also happens to be an ordained minister. 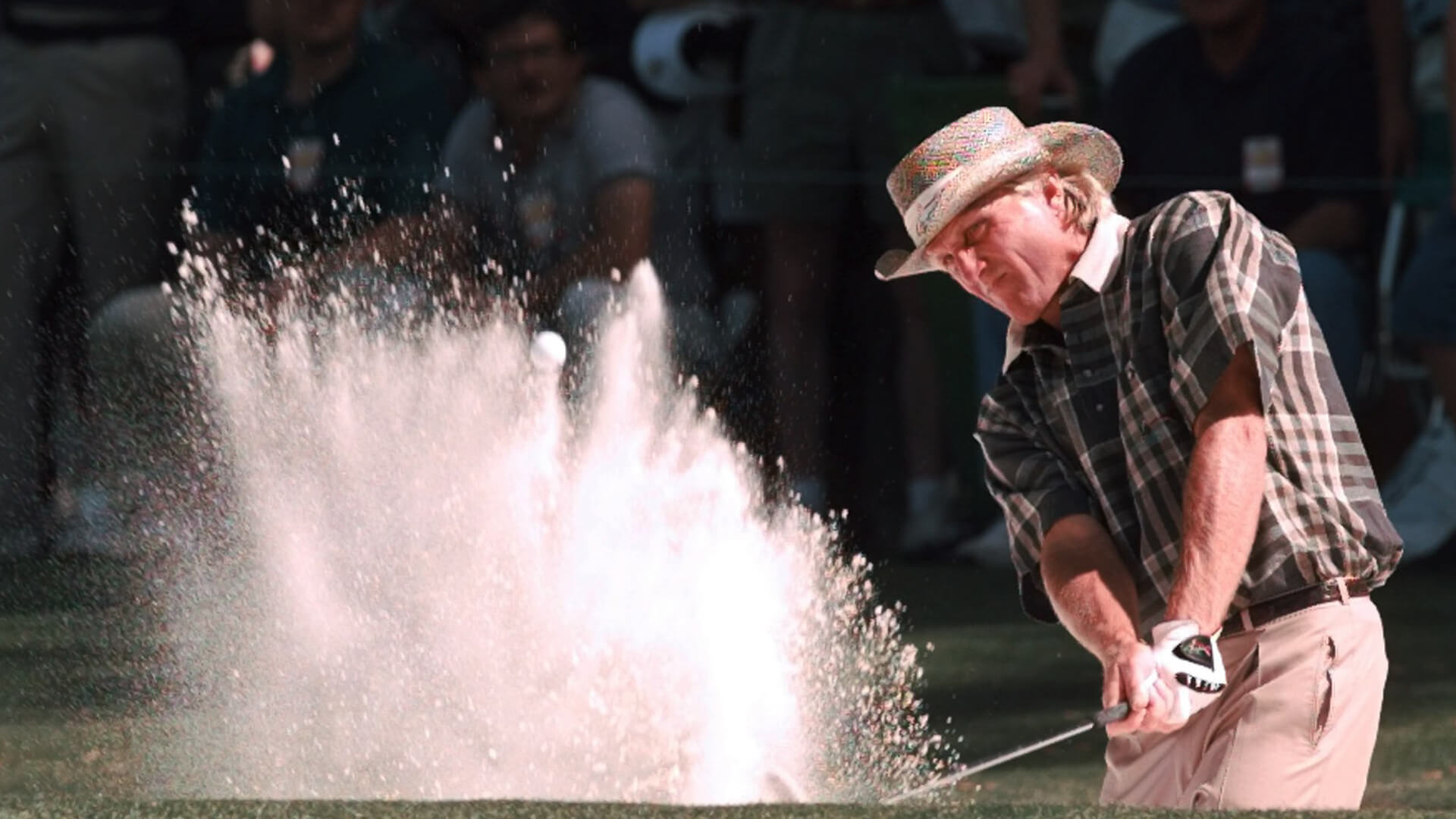 Australian golf pro Greg Norman spent 331 weeks ranked as the No. 1 golfer in the world. He retired in 2001 when he was inducted into the hall of fame with $705 million in total career earnings. Norman has since founded the Greg Norman Company, which compiles a large variety of specialty companies including, but not limited to, golf course design, real estate, eyewear and beef jerky.

See: Shaq, Kobe and Other Pro Athletes Who Became Entrepreneurs 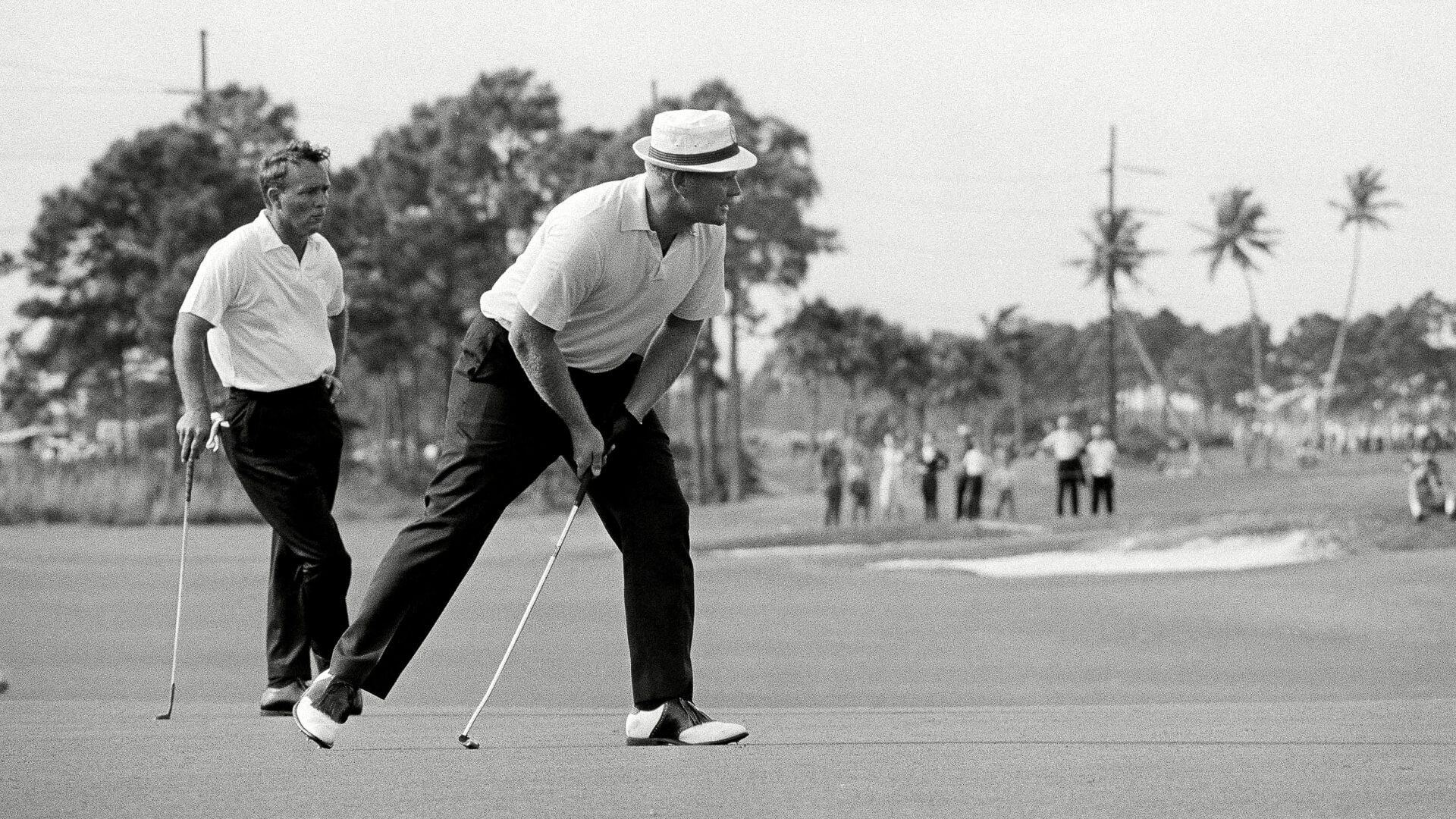 Jack Nicklaus is widely considered to be the greatest golfer of all time, and this title is well-deserved. He won 18 major championships — three more than Tiger Woods. Since retiring, Nicklaus has built something of an empire. The Nicklaus Companies have ice cream, wine and art products, as well as having built 410 golf courses. Nicklaus’ company partners with The Honda Classic, AriZona Beverage Company and Rolex, to name a few. His determination has made him an excellent golfer and a lucrative businessman, earning his rightful spot as one of the greatest and richest athletes. 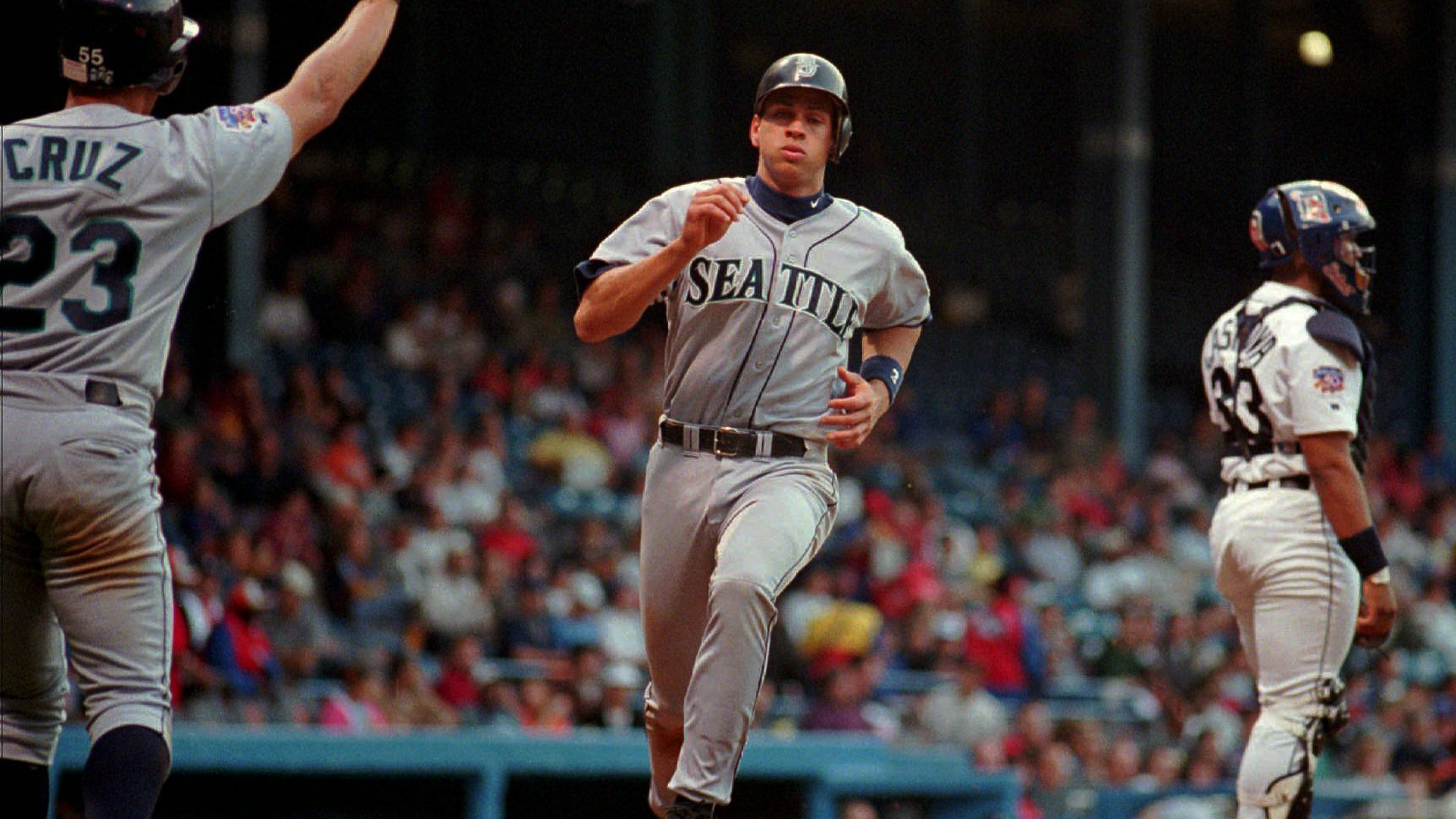 Alex Rodriguez, more commonly known as “A-Rod,” retired from his 22-year career in 2016. He played for three teams: the Seattle Mariners, the Texas Rangers and, most notably, the New York Yankees. He is ranked No. 4 in most home runs ever and his total career salary was $441 million, according to Celebrity Net Worth. Now, Rodriquez is an MLB analyst for Fox Sports and ESPN. Also, he’s engaged to Jennifer Lopez, and that’s really the only thing that matters. 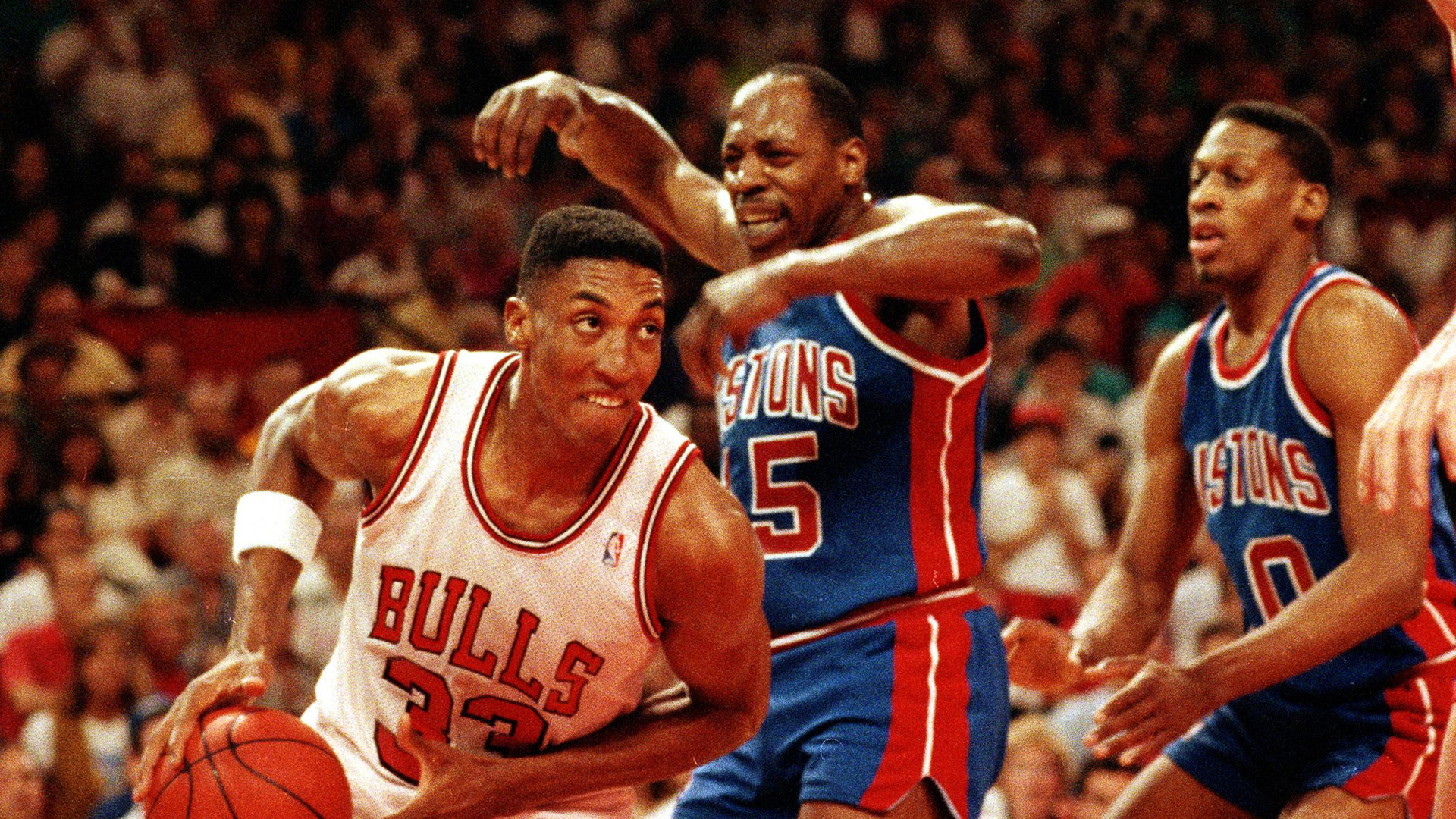 Vinnie Johnson was known as “the microwave” during his professional basketball career, where he won two NBA championships with the Detroit Pistons, because he got really hot really fast. Johnson brought this same level of intensity to the Piston Group, where he serves as both chairman and CEO. The organization started as a small company hoping to bring jobs to Detroit but has since grown dramatically and is one of the largest suppliers for automobile companies. 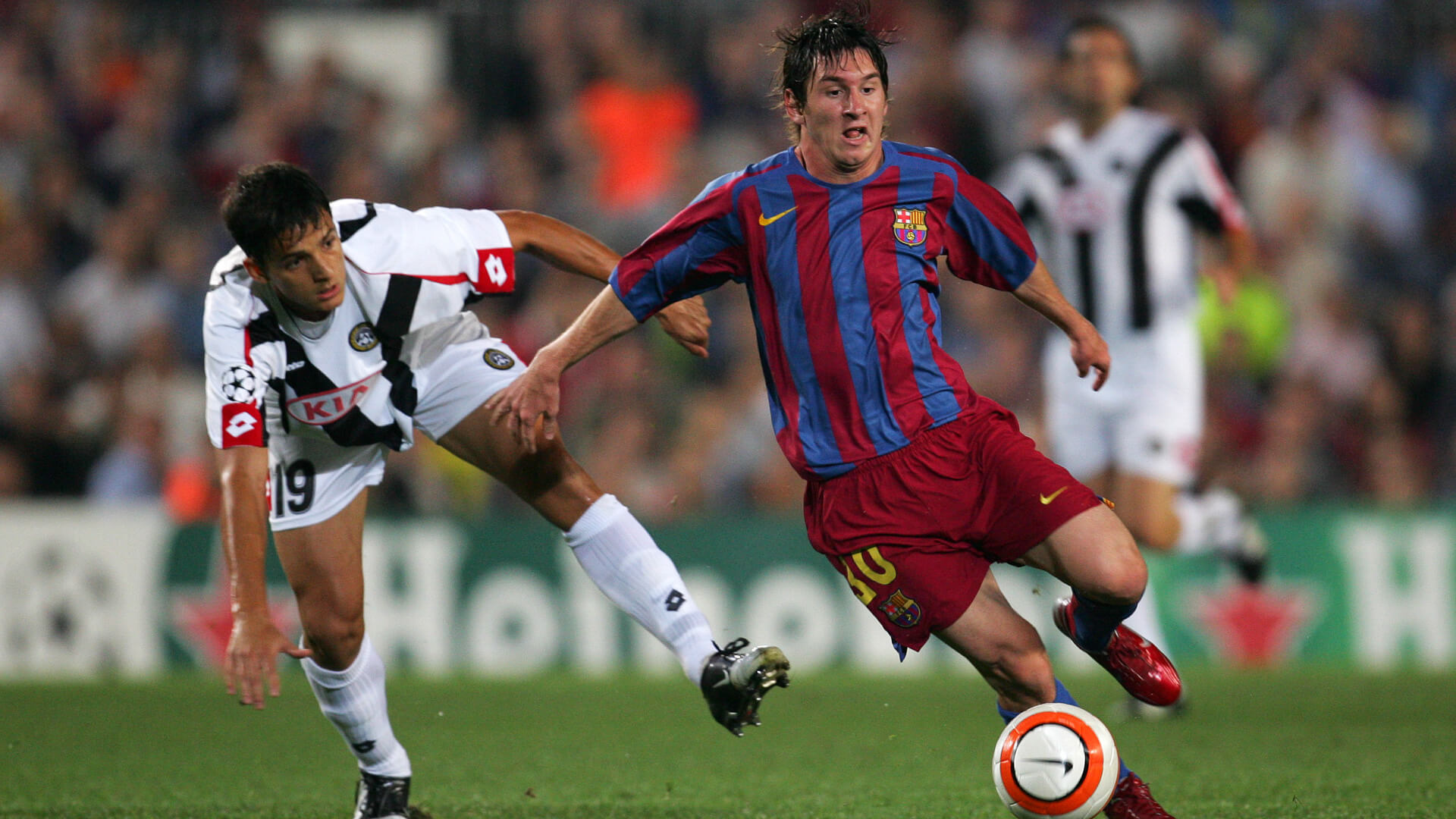 Lionel Messi is often referred to as today’s best soccer player — his only competitor for the title being Cristiano Ronaldo. Messi tops Forbes’ 2019 list of the highest-paid athletes with $127 million in earnings, a combination of his $80 million-a-year salary playing for Barcelona and his many top-tier endorsement deals, such as his lifetime partnership with Adidas. His income is well-deserved, though, as Messi has been FIFA’s player of the year five times. 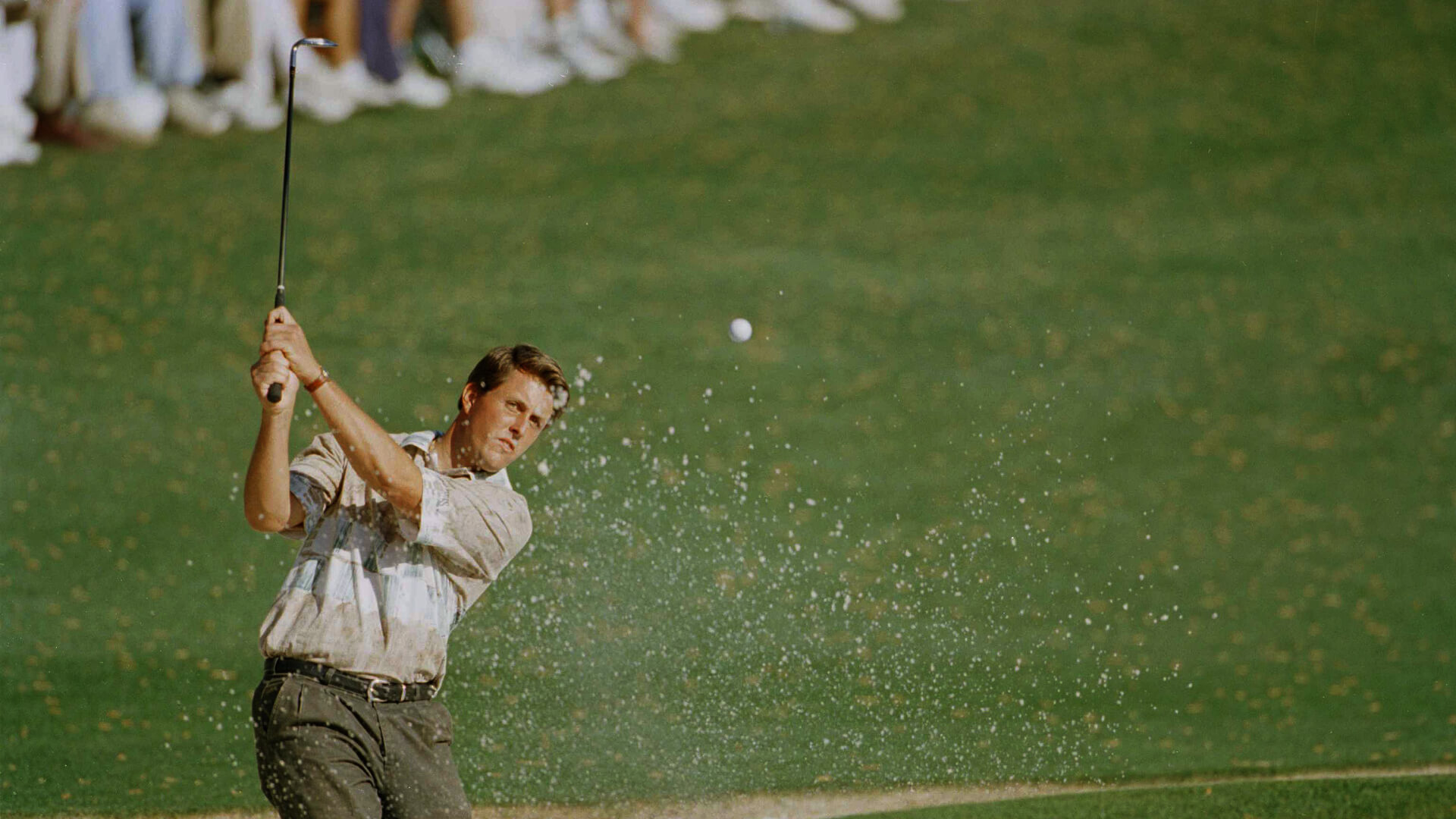 With 45 wins on the PGA Tour, five of which were major championships, it’s no shock household name Phil Mickelson is on this list. With nearly $90 million in career winnings, Mickelson is only second to Tiger Woods when it comes to the most career earnings in golf. Not to mention, he rakes in $50 million a year from brand deals with companies like Amgen and Rolex. 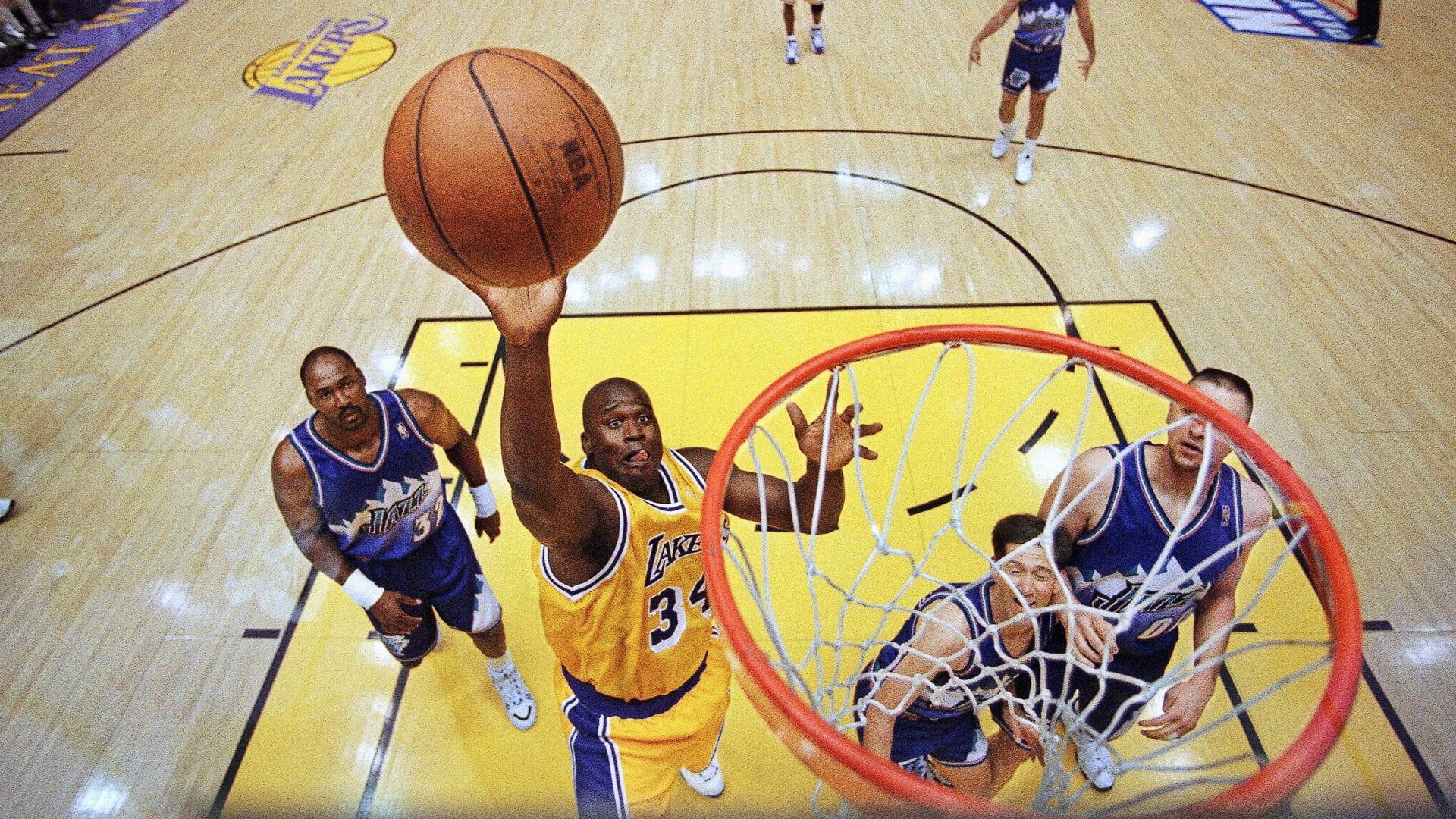 In the early 2000s, Shaquille O’Neal dominated the NBA, winning the NBA Finals MVP in 2000, 2001 and 2002 while playing for the Los Angeles Lakers. Although he has been retired for a while now, he rakes in millions through entrepreneurship, talk show hosting and endorsement deals — he has an annual salary of around $60 million thanks to those endorsements and other endeavors. In 2019, the 7-foot-1-inch star joined Papa John’s board of directors and became the face of the controversial pizza franchise. 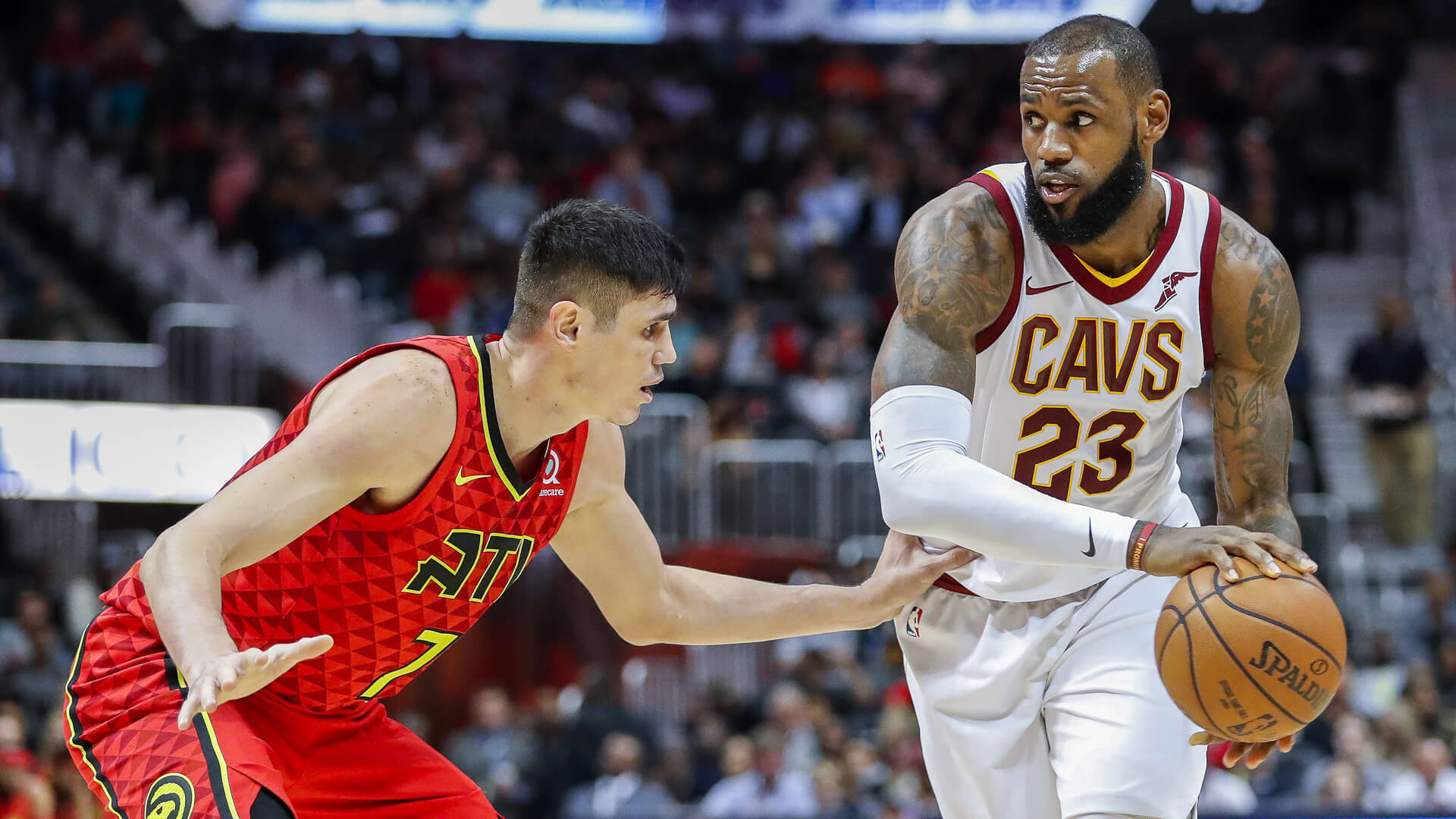 Basketball megastar LeBron James is a four-time NBA MVP, has the most lucrative brand deals in the NBA and has endorsement partnerships with Nike, Beats by Dre, Coca-Cola, Samsung and more. According to Forbes, when he joined the Los Angeles Lakers in 2018, he signed a $153 million contract for four years of play. Off the court, however, James is even more successful and quite philanthropic. He’s a part owner of the Blaze Pizza franchise; and he founded the LeBron James Family Foundation — an organization that advocates for education and opened an elementary school in 2018. 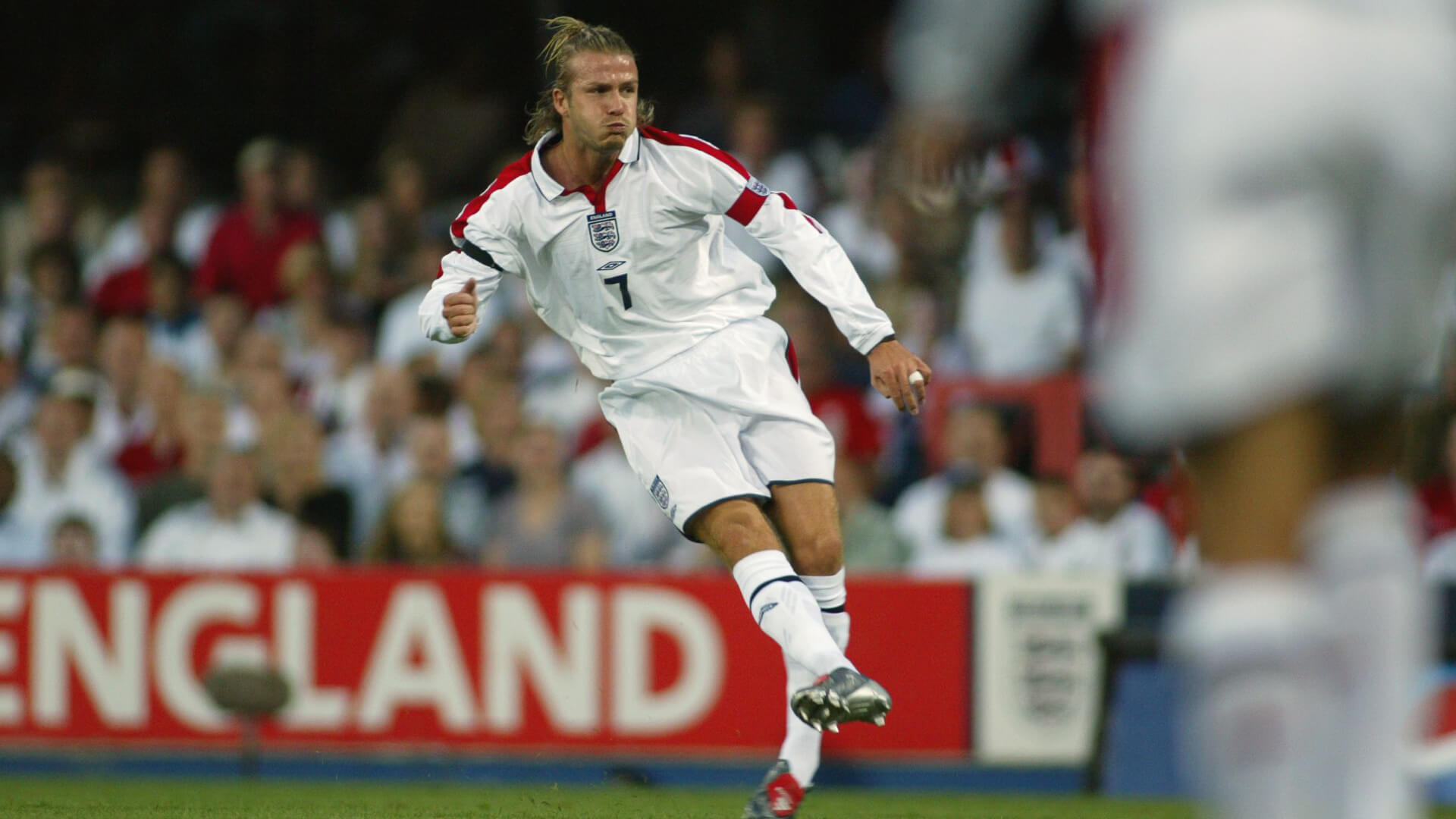 David Beckham is one of the highest-paid athletes of all time, and rightly so. He’s proven that not just anybody can bend it like he can. The superstar began his professional soccer career at 17. During his career, Beckham earned a total of $800 million, but he’s earned even more in retirement thanks to brand deals, endorsements and business ventures with his business group, Beckham Miami United. 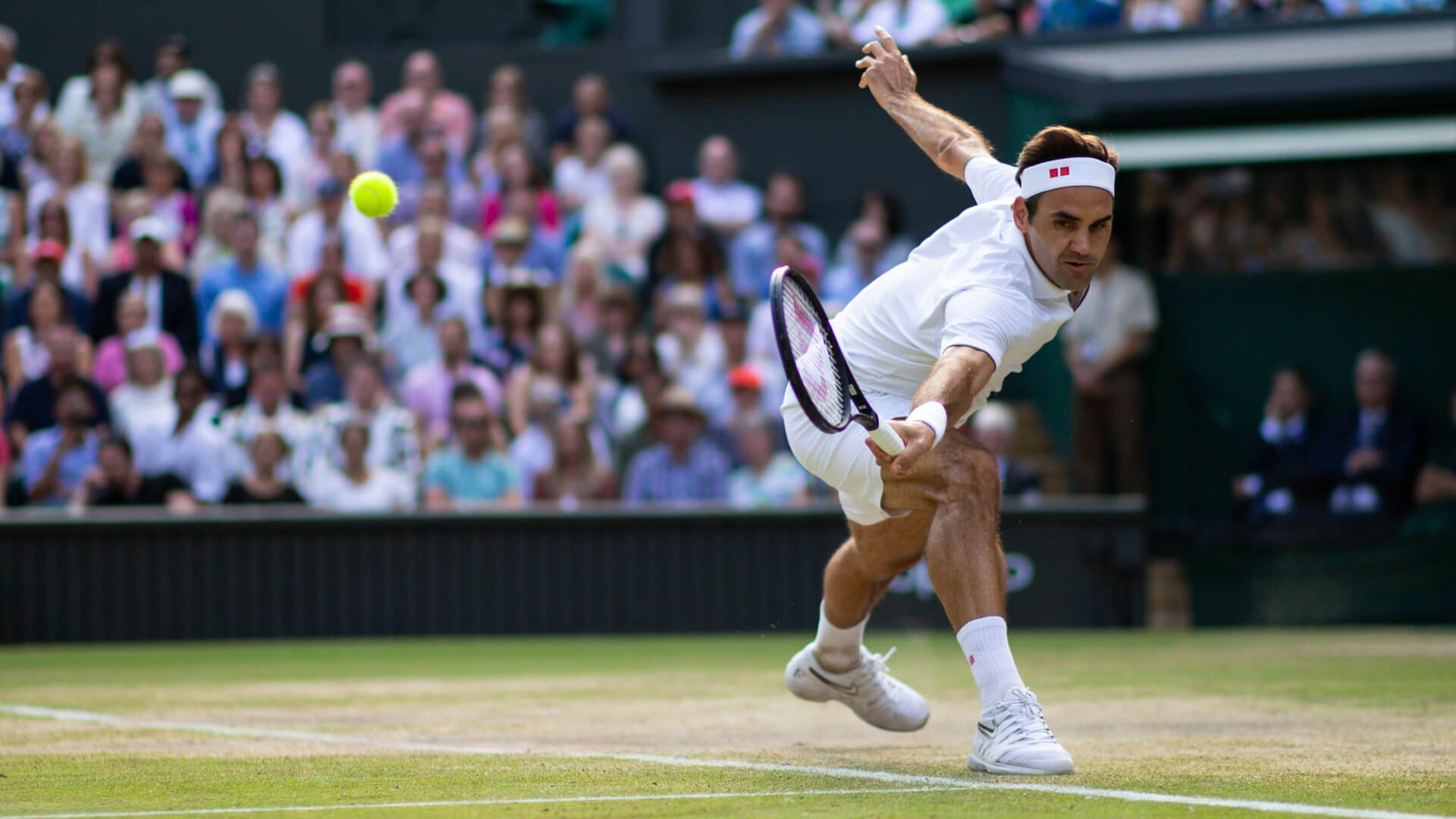 Often regarded as the greatest male tennis player, Roger Federer set the record for the oldest player to rank No. 1 in 2018 at the ripe old age of 36. Federer has amassed $124 million in total career winnings, but his endorsements and sponsorships with brands, including Rolex and Mercedes-Benz, are what push his net worth to $450 million. In addition, he recently signed a 10-year deal worth $300 million with clothing brand Uniqlo. 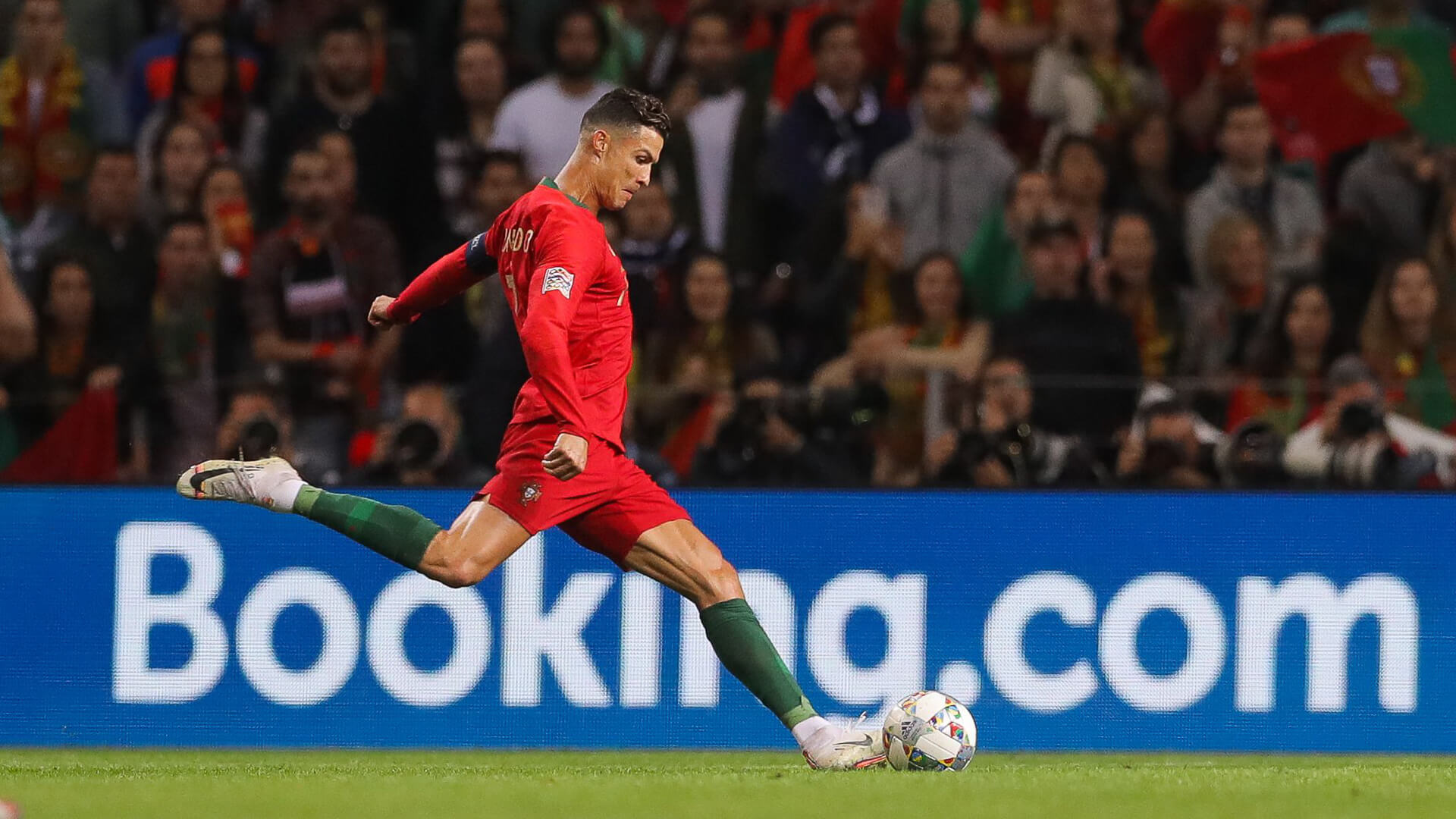 Five-time FIFA player of the year and leading goal scorer in UEFA Champions League, there’s no doubt Ronaldo is one of the greatest and wealthiest soccer players of all time. According to Forbes, Ronaldo is the second-highest-paid athlete of 2019 with a salary of $65 million on his new team, Juventus, and he earned $44 million in endorsements to boot. He has signed a lifetime brand deal with Nike that is believed to be worth $1 billion. 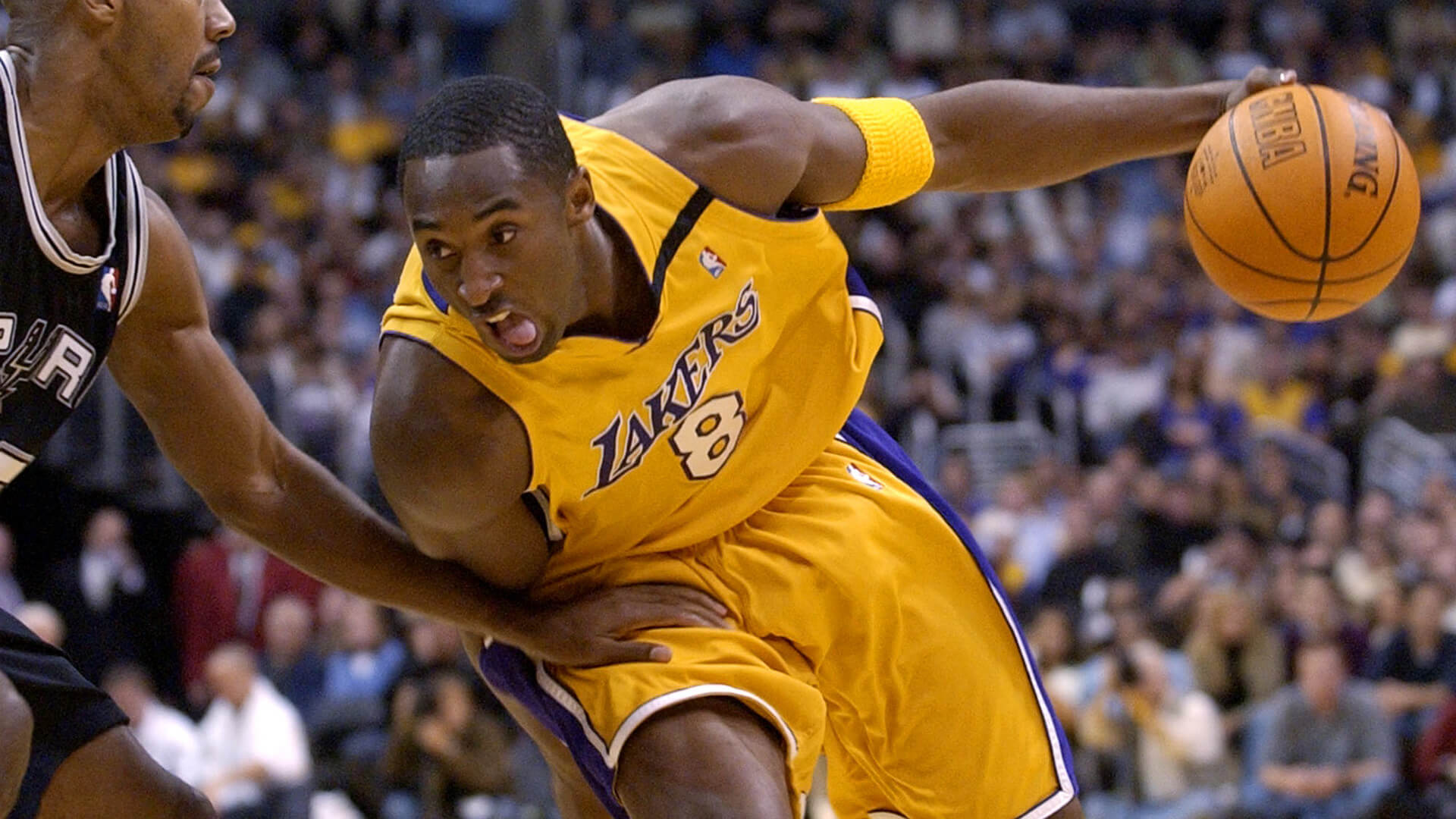 As the third all-time leading scorer in the NBA, Kobe Bryant is revered as one of the greats. Bryant’s annual salary as a Los Angeles Laker was $25 million, and he retired with a career salary of $323 million. And that doesn’t even include the ridiculous $680 million he made in endorsements. Since retiring, Bryant has taken up investing. When he invested $6 million for a 10% stake in sports drink BodyArmor, Coca-Cola purchased the company and his investment skyrocketed to a whopping $200 million. 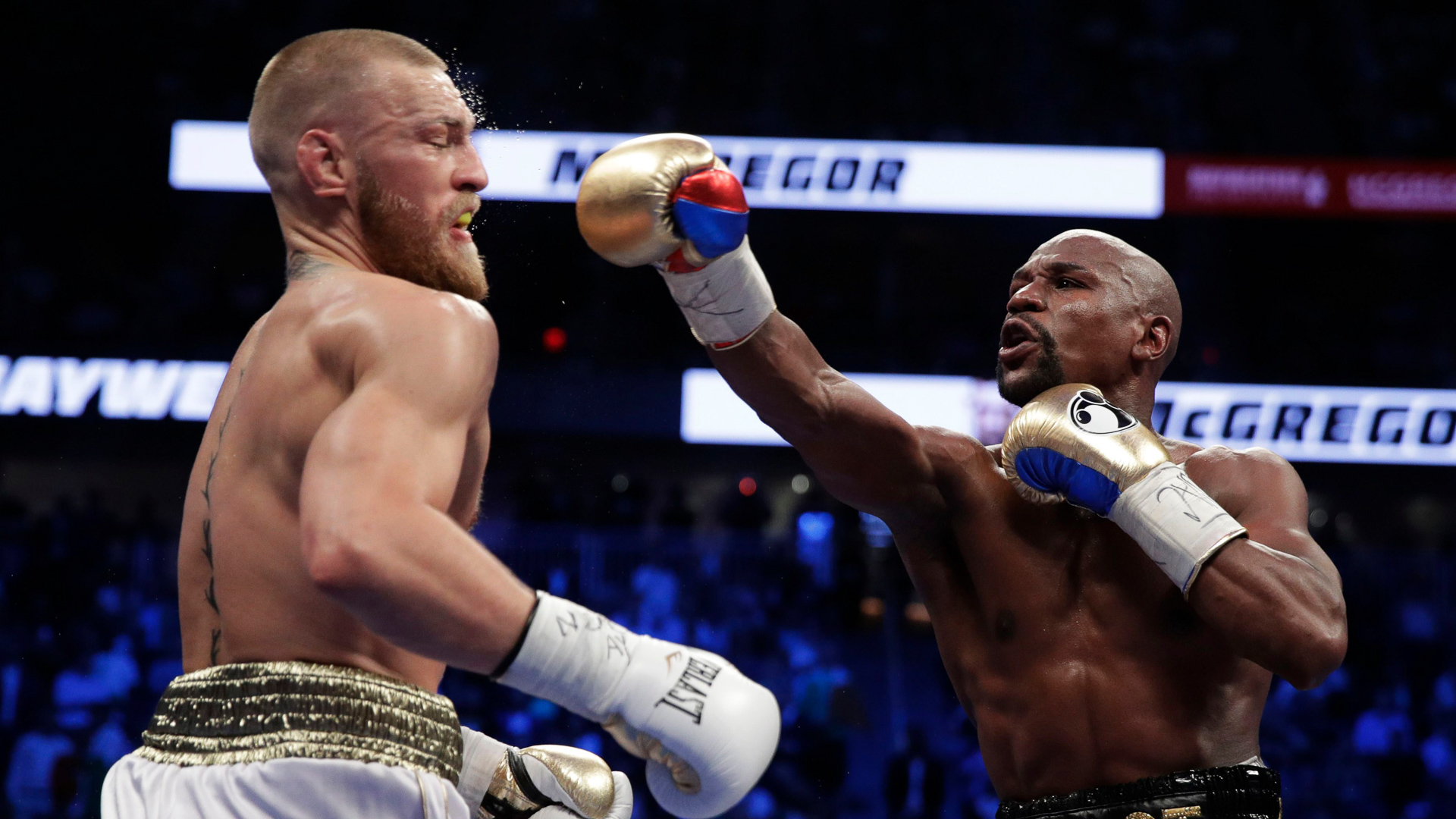 It’s no surprise boxing champ Floyd Mayweather Jr. is one of the richest athletes of all time, as he was Forbes’ highest-paid athlete of 2015 with a $300 million salary. The Michigan native has an astounding professional record of 50 wins and zero losses. Mayweather retired in 2015, but he returned to the sport in 2017 to defeat MMA star Conor McGregor — a win that earned him approximately $275 million. 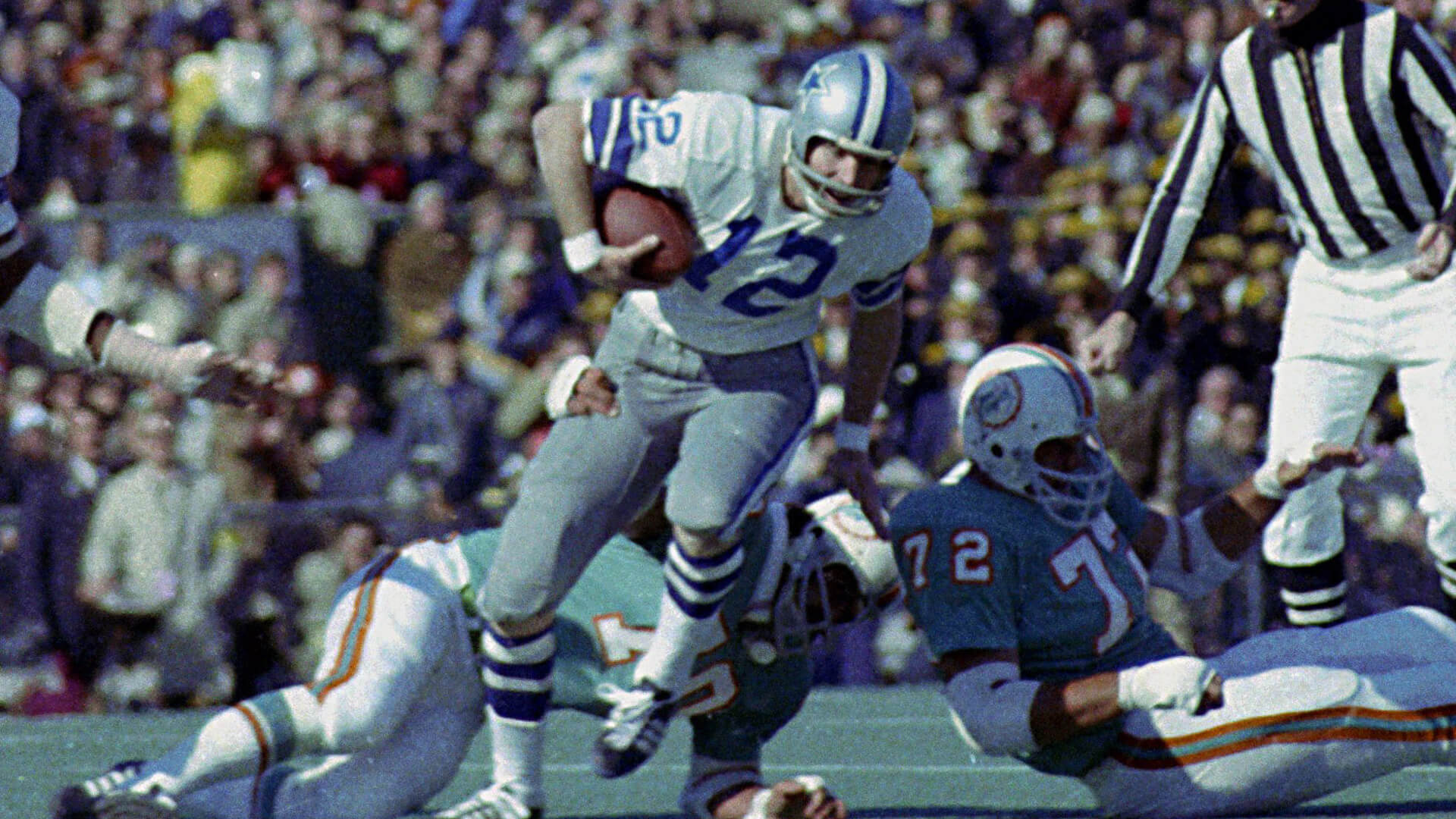 Football-player-turned-businessman Roger Staubach first rose to fame when he won the Heisman Trophy while attending the U.S. Naval Academy, and he proceeded to win Super Bowl VI and Super Bowl XII as the quarterback for the Dallas Cowboys. Staubach worked as a real estate broker on the side (because what NFL MVP doesn’t have a side hustle), and when he retired in 1979, he devoted himself to his own company — the Staubach Company. In 2008, Staubach sold the company for $640 million. 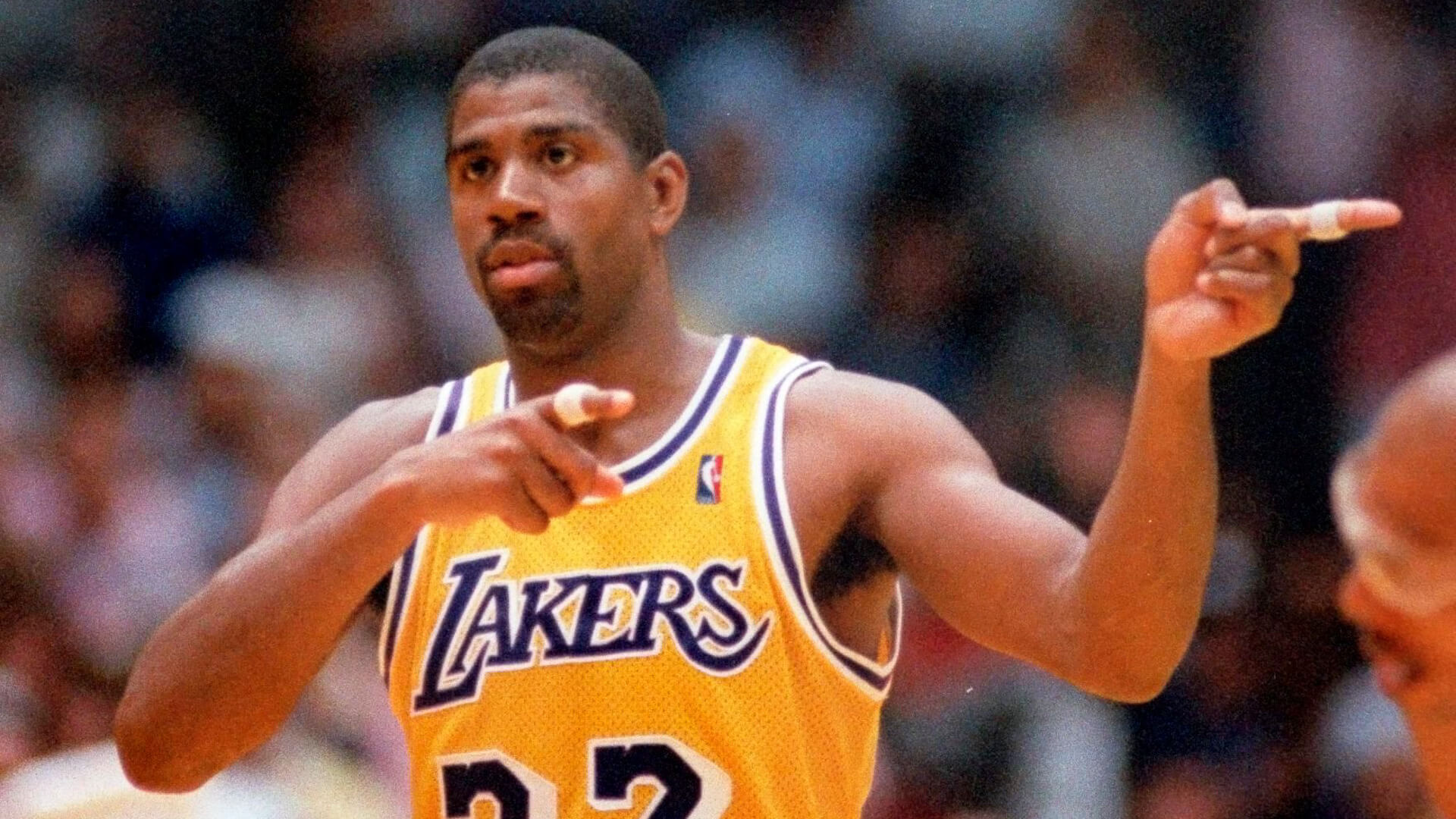 Earvin “Magic” Johnson is a former star of the Los Angeles Lakers. While on the team, he won five NBA championships and was the recipient of three MVP awards. He retired in 1996 and has been extremely successful in his entrepreneurial ventures. Johnson founded Magic Johnson Enterprises, where he has partnered with Sony Pictures and Starbucks. Continuing to be a dominating presence in sports, Johnson became a co-owner of the Los Angeles Dodgers in 2012 after purchasing the team for a record-breaking $2 billion. 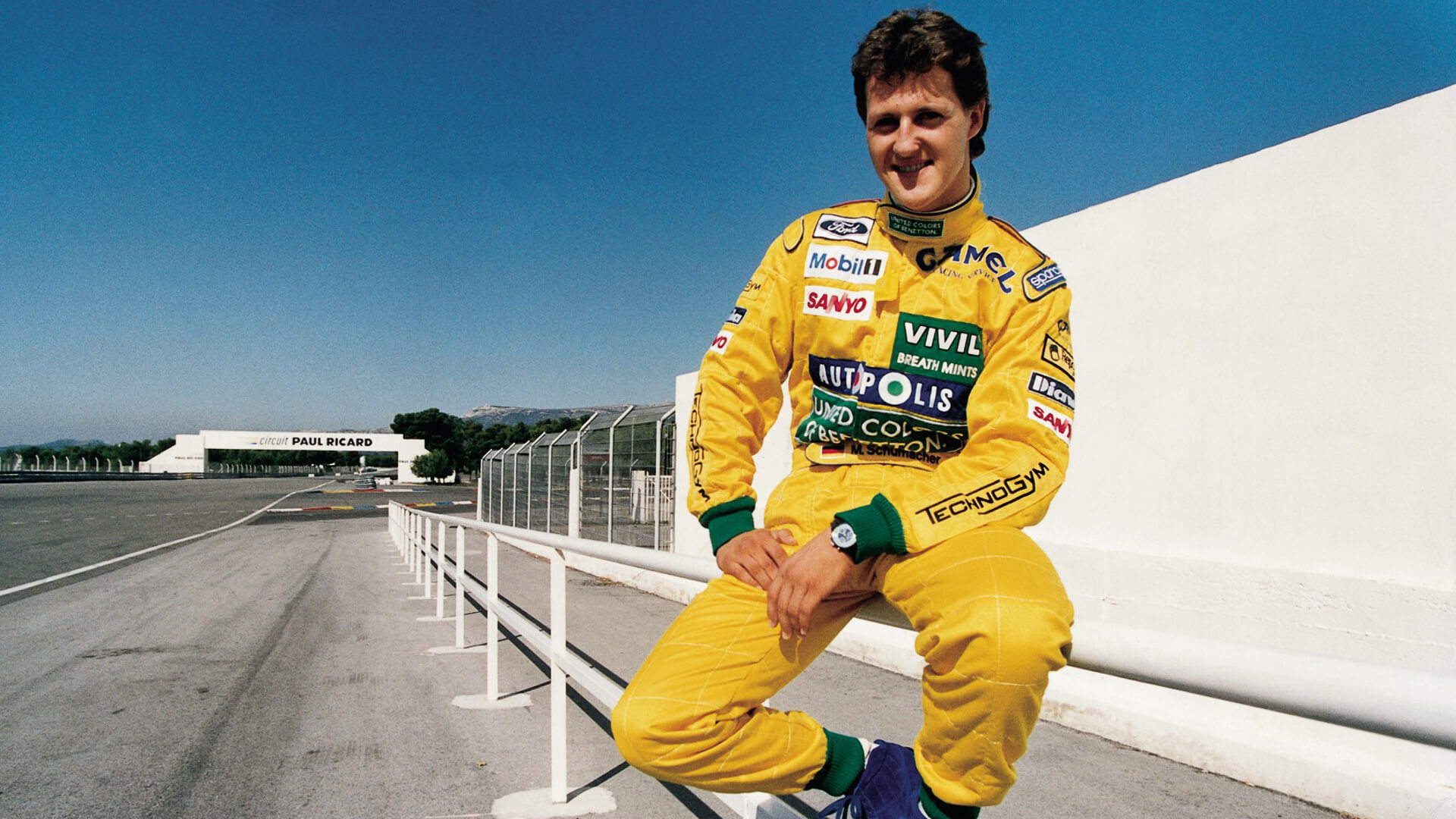 One of the highest-paid athletes ever, Michael Schumacher is a seven-time Formula One World Champion and holds the Formula One record for most career wins. Tragically, Schumacher was involved in a skiing accident in 2013, suffered a traumatic brain injury and continues to receive treatment at his home. 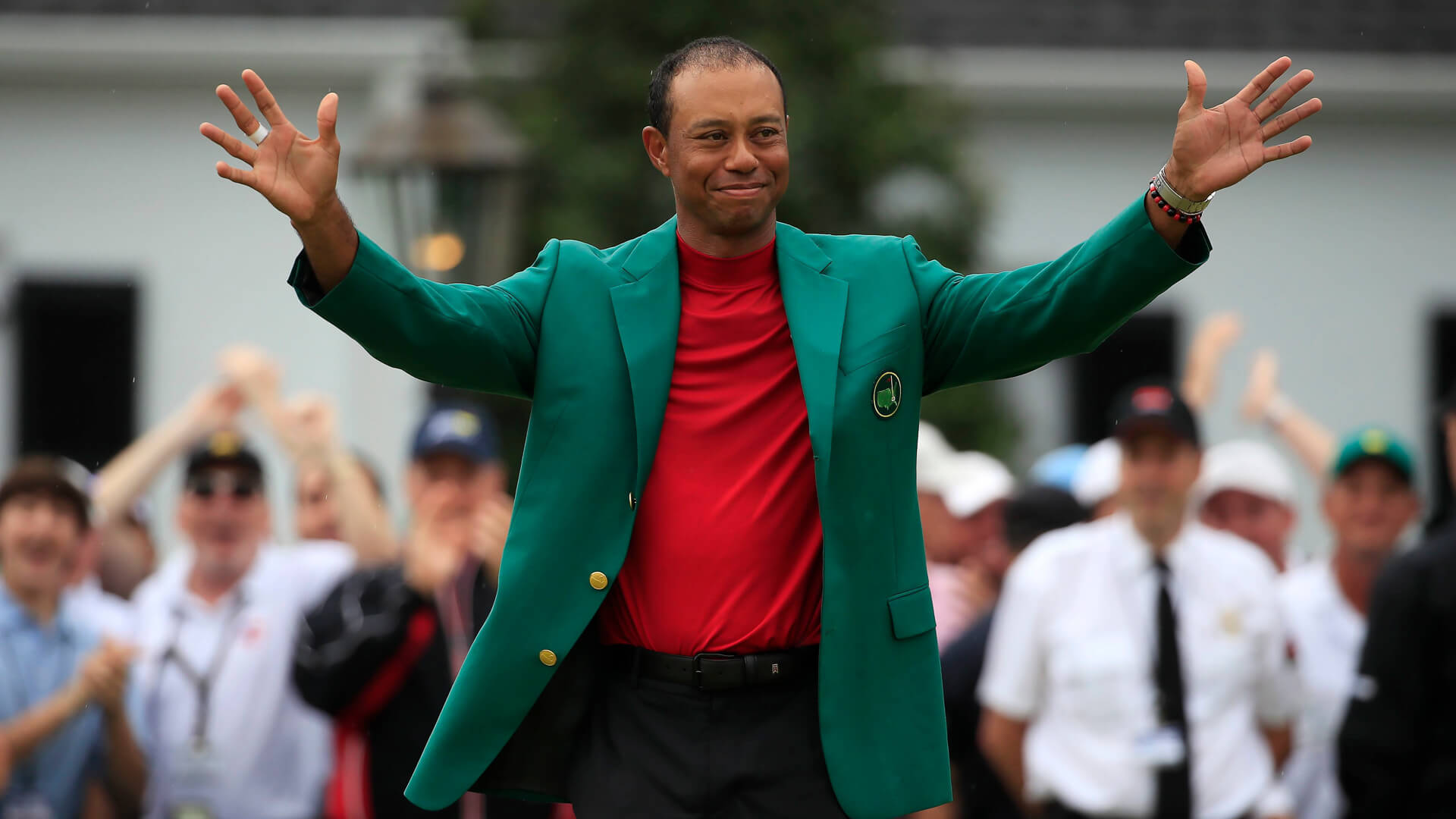 Despite his 2009 scandal that threatened his endorsements and sponsorship deals — and his marriage — Tiger Woods remains the richest golfer in the world. He won the 2019 Masters, his first major win in 11 years, and his current annual salary is $50 million. However, the majority of Woods’ fortune comes from endorsements with major brands, including Nike, Gatorade and American Express. 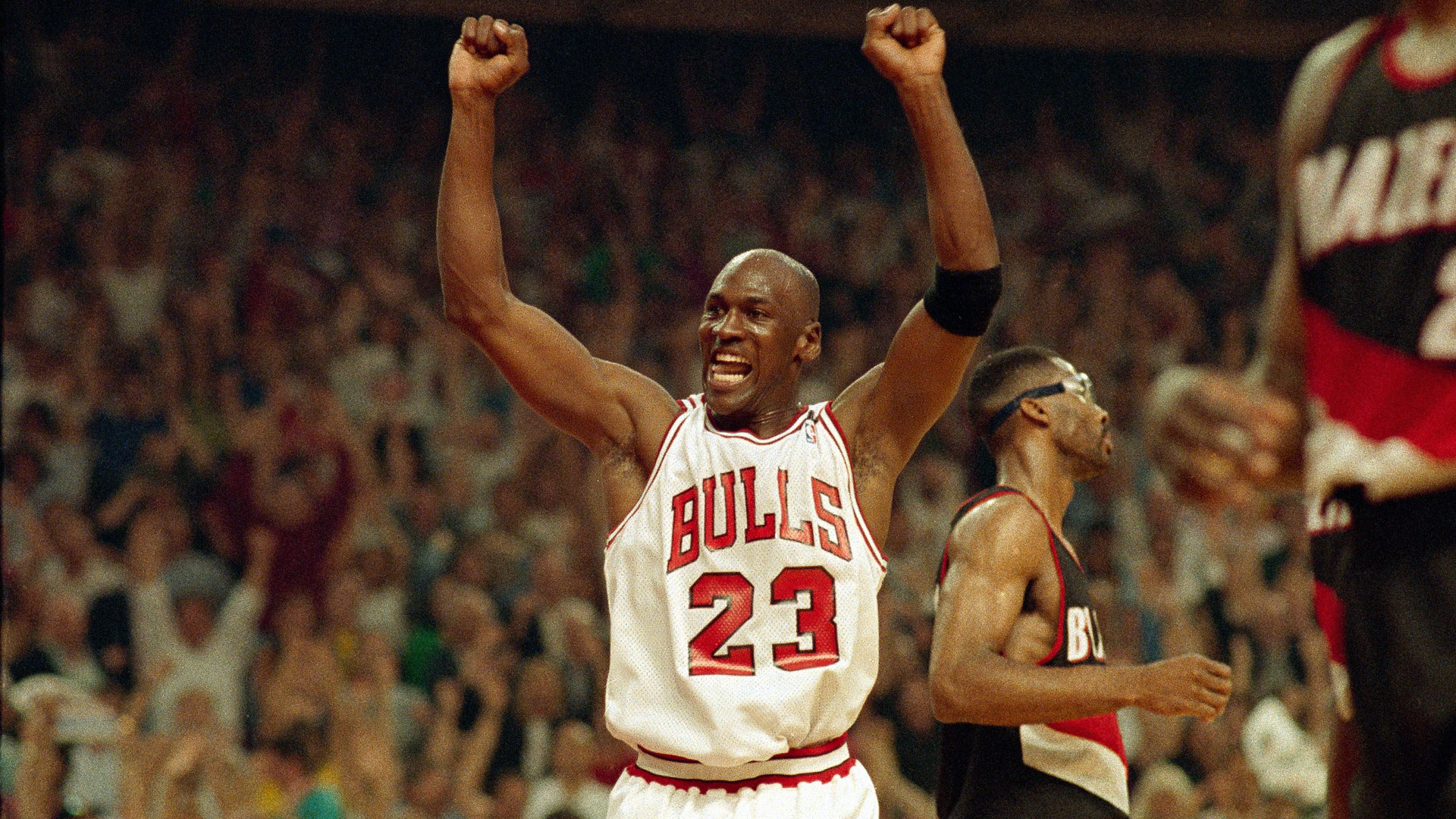 Michael Jordan Net Worth: $1.9B

Often regarded as the best basketball player of all time, Michael Jordan has an estimated net worth of $1.9 billion, according to Forbes. During his career, he led the Chicago Bulls to six NBA championships and earned a total salary of $90 million. His successes off the court, however, are what made him a billionaire. Along with starring in the fan-favorite movie “Space Jam,” Jordan owns the Charlotte Hornets and has sponsorship deals with Nike and Gatorade. 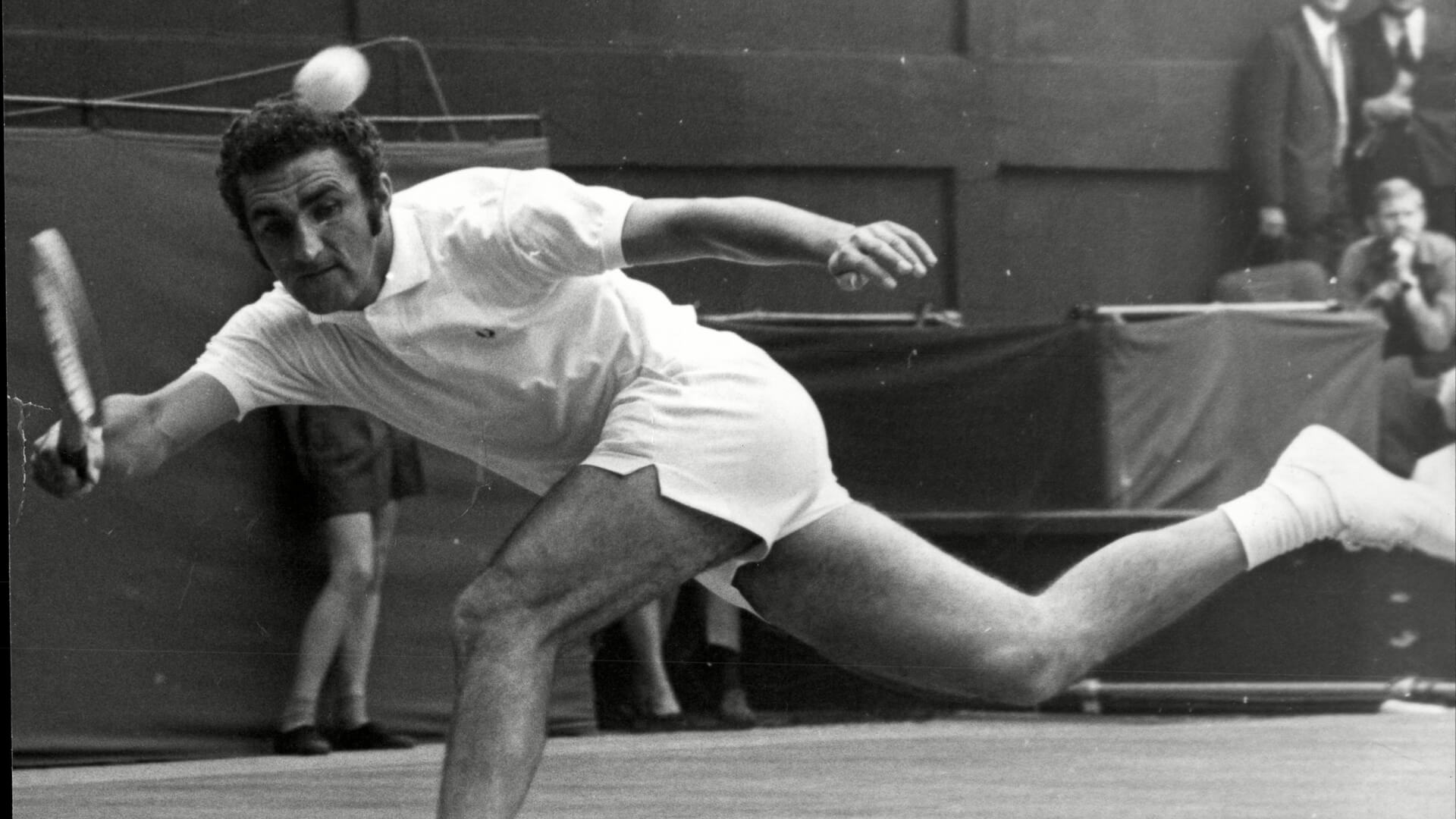 Ion Tiriac Net Worth: $2B

Romanian billionaire Ion Tiriac was a star in more than one sport. He competed in the 1964 Olympics as a member of the Romanian ice hockey team and was inducted into the International Tennis Hall of Fame in 2013 with a total of 23 career titles. Since retiring as an athlete, Tiriac has become a business tycoon — he founded Banca Tiriac in 1990 and expanded his business empire to include numerous companies under Tiriac Holdings.

Click through to find out how 18 of the world’s best athletes spend their fortunes.