New England Patriots tight end Rob Gronkowski is retiring just shy of his 30th birthday after making the announcement via Instagram on March 24. The move comes just one month after he secured his third Super Bowl championship against the Los Angeles Rams.

It all started at 20 years old on stage at the NFL draft when my dream came true, and now here I am about to turn 30 in a few months with a decision I feel is the biggest of my life so far. I will be retiring from the game of football today. I am so grateful for the opportunity that Mr. Kraft and Coach Belichick gave to me when drafting my silliness in 2010. My life experiences over the last 9 years have been amazing both on and off the field. The people I have meet, the relationships I have built, the championships I have been apart of, I just want to thank the whole New England Patriots organization for every opportunity I have been giving and learning the great values of life that I can apply to mine. Thank you to all of Pats Nation around the world for the incredible support since I have been apart of this 1st class organization. Thank you for everyone accepting who I am and the dedication I have put into my work to be the best player I could be. But now its time to move forward and move forward with a big smile knowing that the New England Patriots Organization, Pats Nation, and all my fans will be truly a big part of my heart for rest of my life. It was truly an incredible honor to play for such a great established organization and able to come in to continue and contribute to keep building success. To all my current and past teammates, thank you for making each team every year special to be apart of. I will truly miss you guys. Cheers to all who have been part of this journey, cheers to the past for the incredible memories, and a HUGE cheers to the uncertain of whats next.

Gronkowski had one season remaining on his contract, which was worth $54 million. His contract had an annual value of $9 million plus incentives. Although he’s just 29 years old, Gronkowski is now looking forward to what’s next, and he does so with a fat wallet.

Check Out: The First Super Bowl Tickets Cost $10 — See How They’ve Changed Since 1967

According to Celebrity Net Worth, Rob Gronkowski has a net worth of $40 million. His six-year contract with the NFL was worth $54 million plus incentives, equating to a base salary of $9 million annually. For the 2018-19 season, the Gronk’s max payout would have been $13.3 million, according to NFL.com.

But Gronkowski’s NFL salary isn’t his only source of income. In his 2015 book, “It’s Good to Be Gronk,” the athlete wrote that he has yet to spend his paycheck from the NFL, instead living off endorsement deals. He’s endorsed by renowned companies such as Tide, Nike and Dunkin’.

Related: Rob Gronkowski and Other Rich People Who Live Like the Average Joe 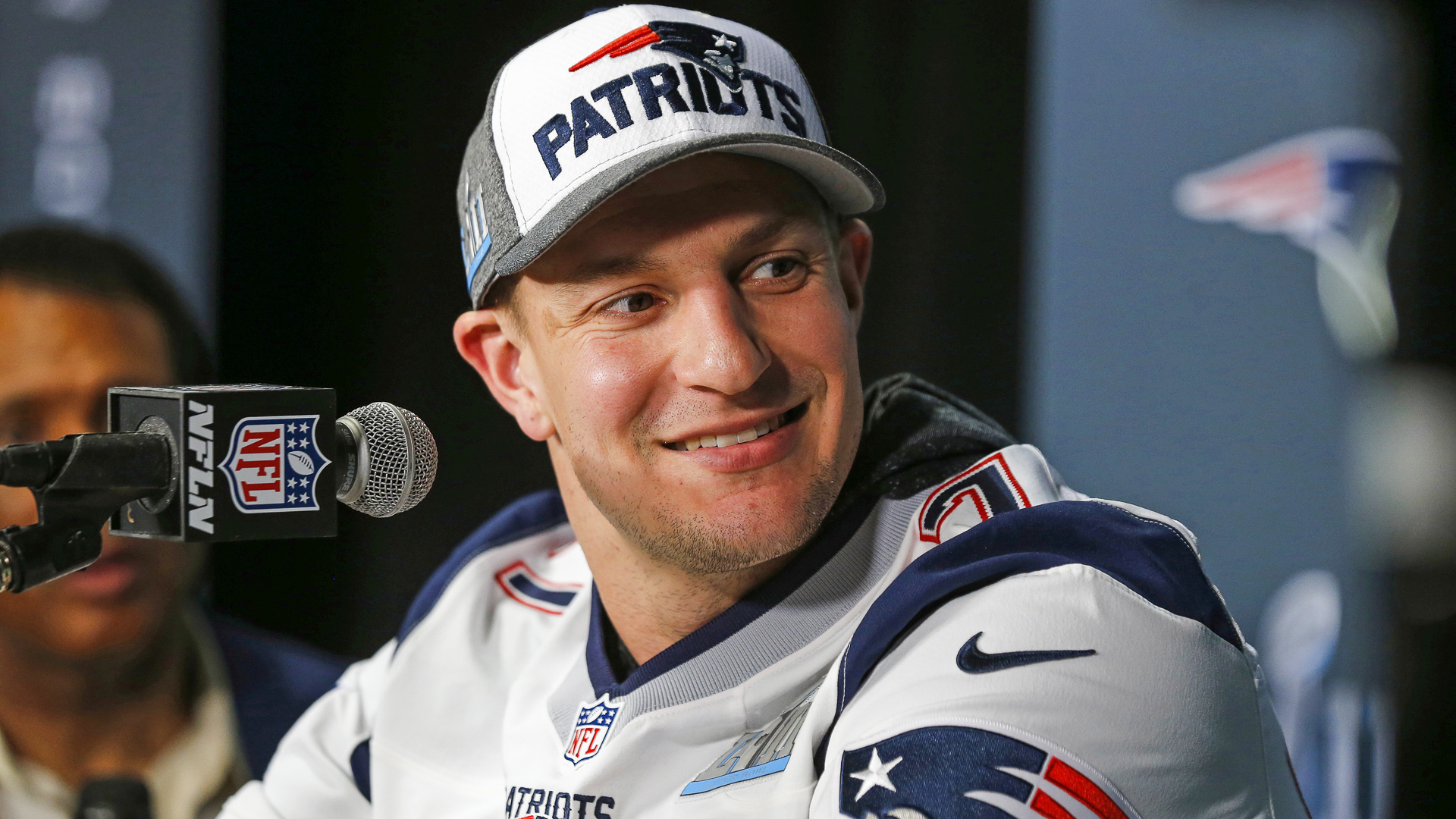 He ended his nine-year career with 521 receptions, 7,861 receiving yards and 79 touchdowns. According to his biography on the Patriots website, Gronkowski became the only tight end in NFL history to post three seasons of 1,000 yards receiving and 10-plus touchdowns.

Keep reading to learn about the top 11 highest-paid players who participated in the 2019 Pro Bowl.