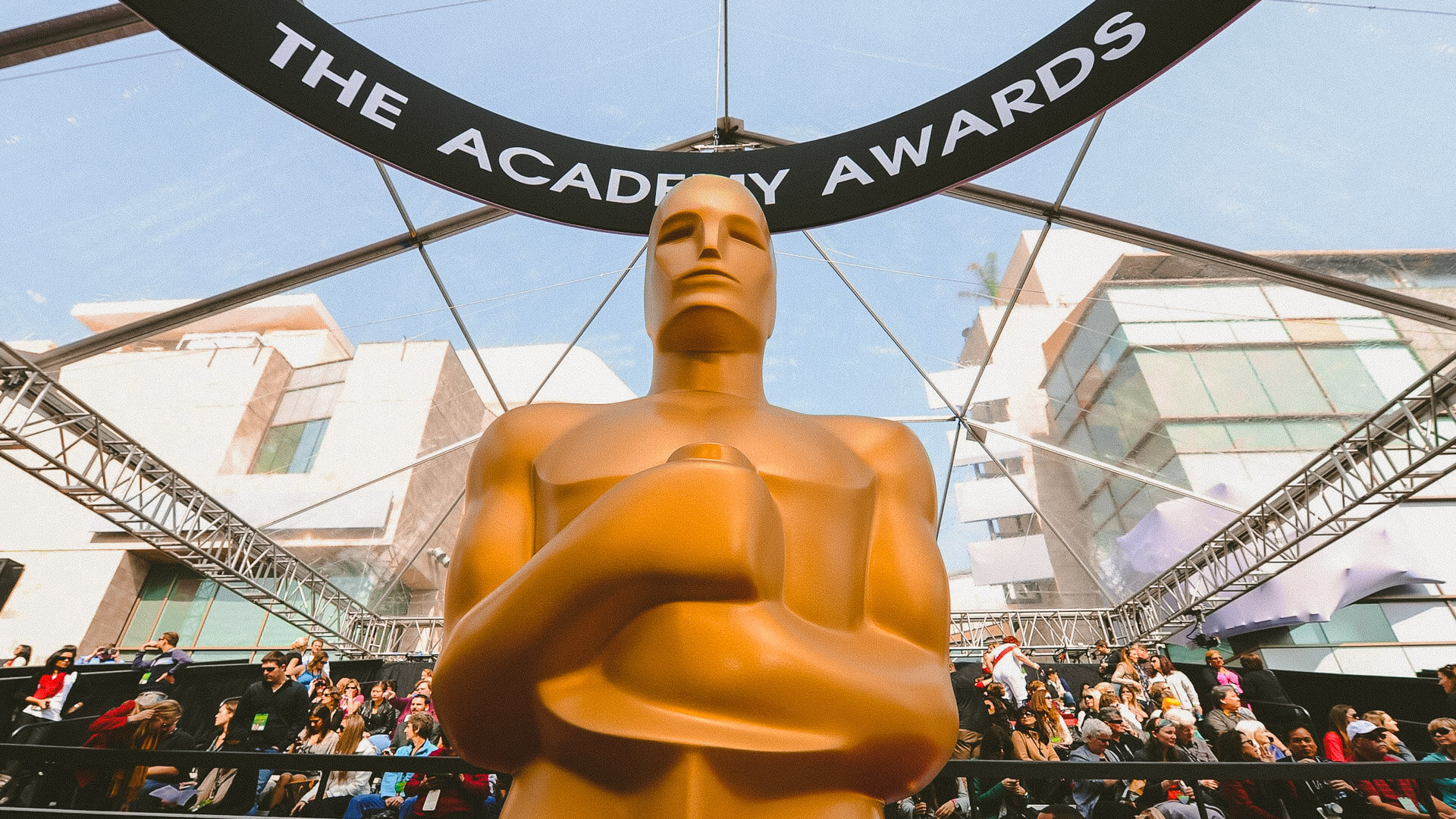 The 92nd Academy Awards kick off Feb. 9, 2020, and celebrate years of safe bets, monumental upsets and unlikely underdogs. For some celebrities, it marks another awards season without an Oscar to show for strong performances at the box office. Missing out on the famed Oscar statuette doesn’t just mean these celebrities are going home empty-handed. It could mean they’re missing out on potential pay increases for future films.

Still, some stars have managed to make millions without winning Hollywood’s ultimate prize. 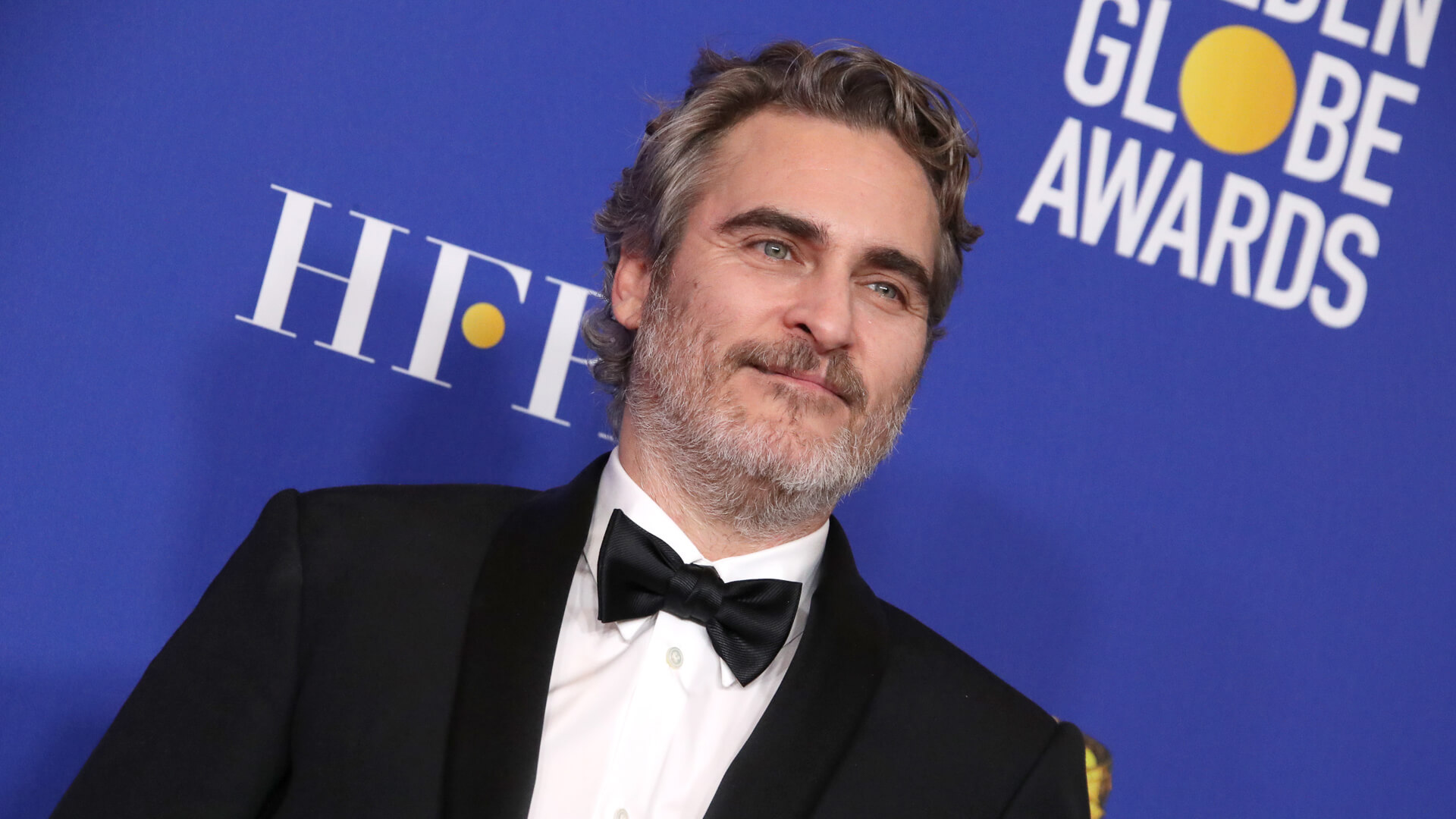 Although Joaquin Phoenix ranks first on this list due to his low net worth in comparison to the other stars mentioned here, he is also the most likely to exit this list after this year’s Oscars.

Since 2001, Phoenix has been nominated for his roles in “Gladiator,” “Walk the Line,” “The Master,” and most recently “Joker.” Considering Phoenix’s most recent achievement for his role in “Joker” at the Golden Globes where he won best actor in a motion picture — drama, and that the film received 11 Oscar nominations in total, it would be hard to imagine he exits this year’s ceremony empty-handed. 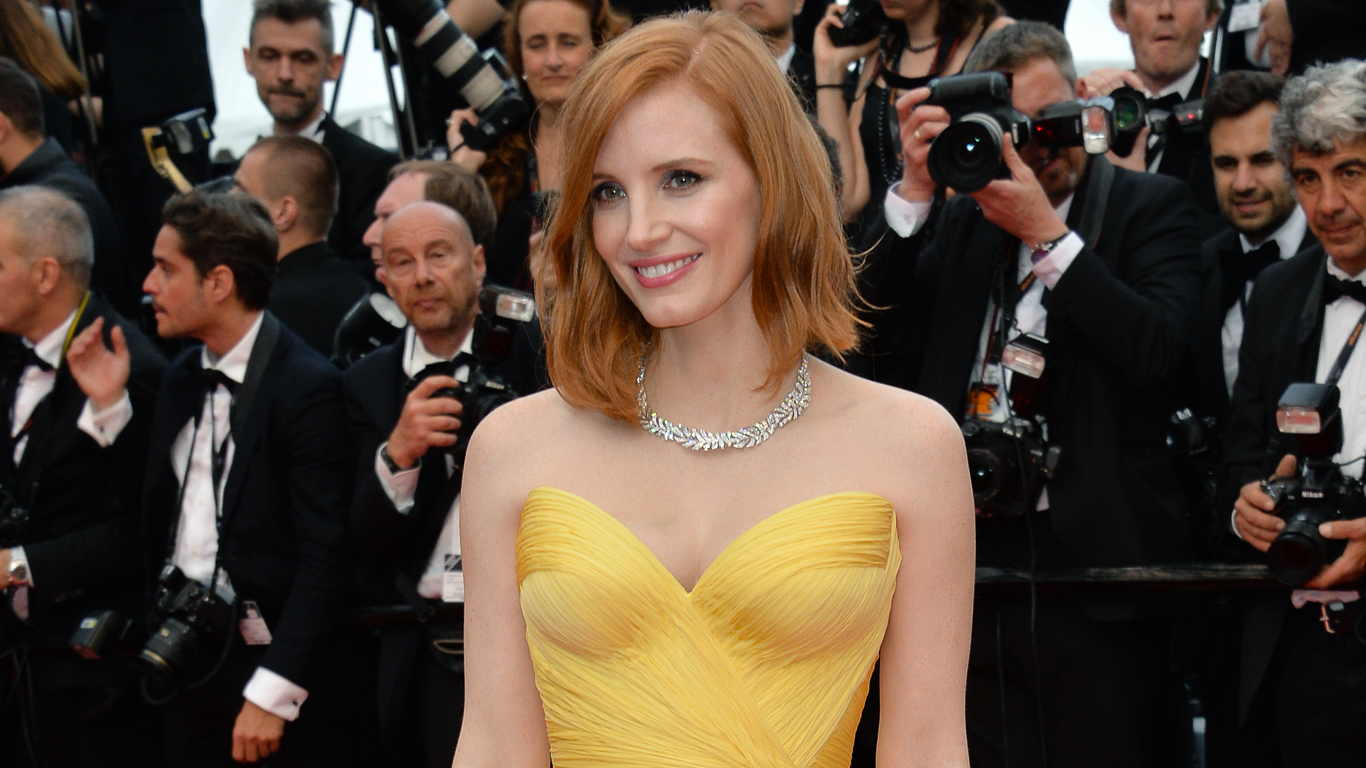 Jessica Chastain has been acting consistently since her work on TV shows like “ER,” but she’s been on the cusp of superstar status for a while now. In 2011 and 2012, she had consecutive brushes at the Oscars. Her roles as Celia Foote in “The Help” and Maya in “Zero Dark Thirty” showcased her impressive range across tear-jerking dramas and hard-edged war flicks, but they didn’t manage to make her an Oscar winner. 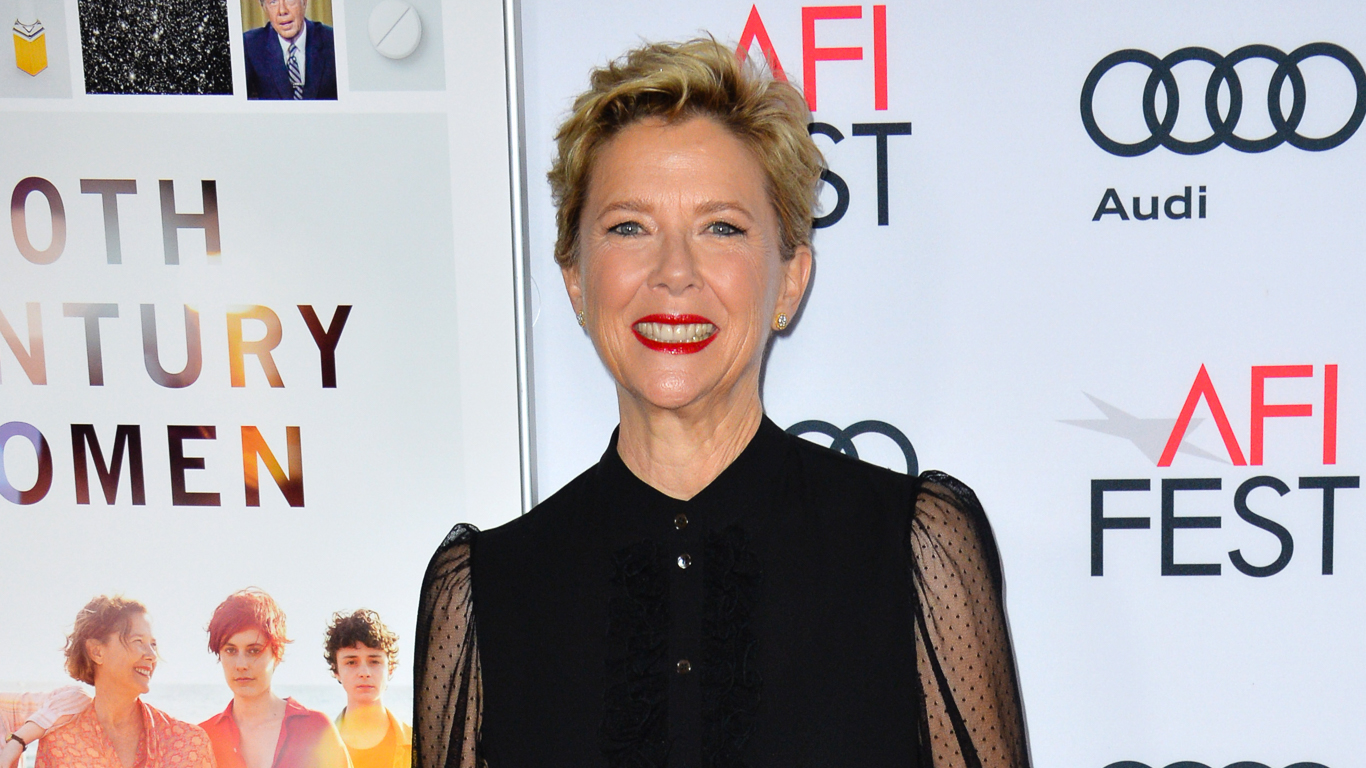 Annette Bening doesn’t lack Oscar nominations or losses. In fact, she’s got four of each thanks to “The Grifters,” “American Beauty,” “Being Julia” and “The Kids Are All Right.”

The 61-year-old actress clearly doesn’t lack critical acclaim, despite her lack of luck at the Oscars. Though she hasn’t had any acceptance speeches cut short yet, she’s one-half of a classic Hollywood power couple. Combined with her actor-producer-director husband, Warren Beatty, the Bening household is valued at a combined $118 million. 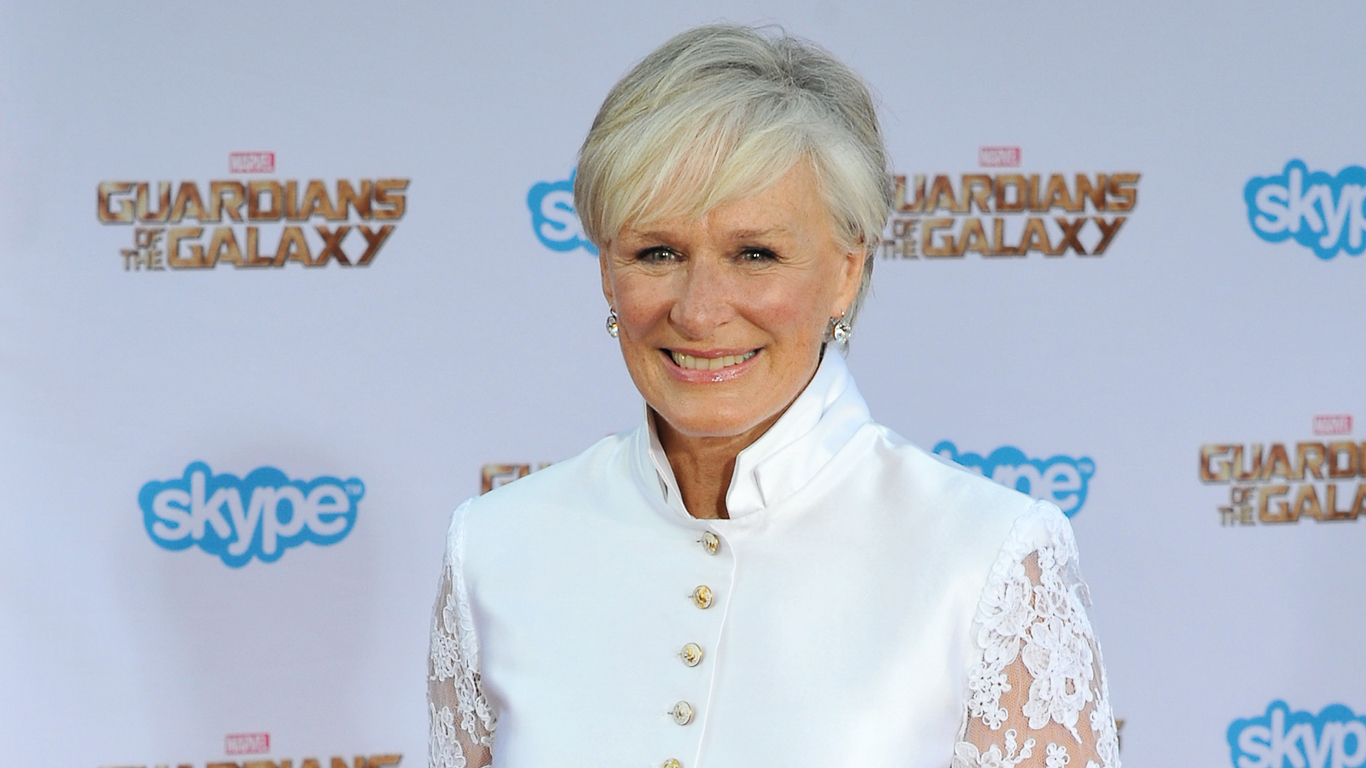 Glenn Close has seen a handful of Oscar nominations. Between 1982 and 1989, she received five nominations and picked up two more in 2012 and 2019. She got nods for films like “The World According to Garp,” “Fatal Attraction” and “Dangerous Liaisons.” Despite her status as a seven-time Academy Award nominee, Close has yet to be called up to the stage. 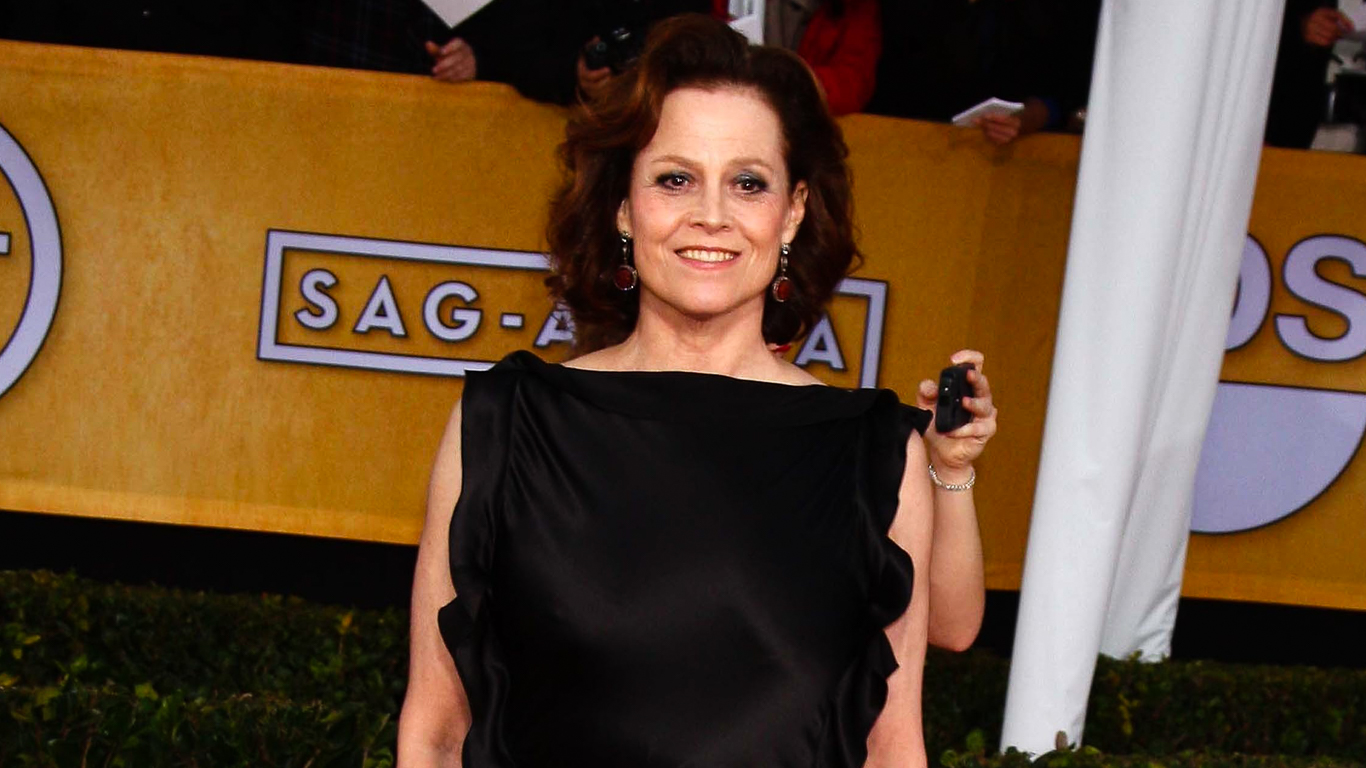 Statuesque actress Sigourney Weaver makes up for her lack of Academy gold with a whole lot of success. Despite nabbing awards from the Golden Globes and BAFTAs, Sigourney has an interesting history as an Oscar nominee.

Her nomination for an intense leading performance in “Aliens” was monumental for genre pictures. Though today’s Oscars are littered with nods for films like “Lord of the Rings” and “Mad Max,” a sci-fi actress in a major category was virtually unheard of in 1986.

Even stranger, she garnered a double nomination in 1988 for a leading performance in “Gorillas in the Mist” and a supporting role in “Working Girl.” Sigourney might’ve gone home with nothing but a swag bag, but we’ll always have Ripley. 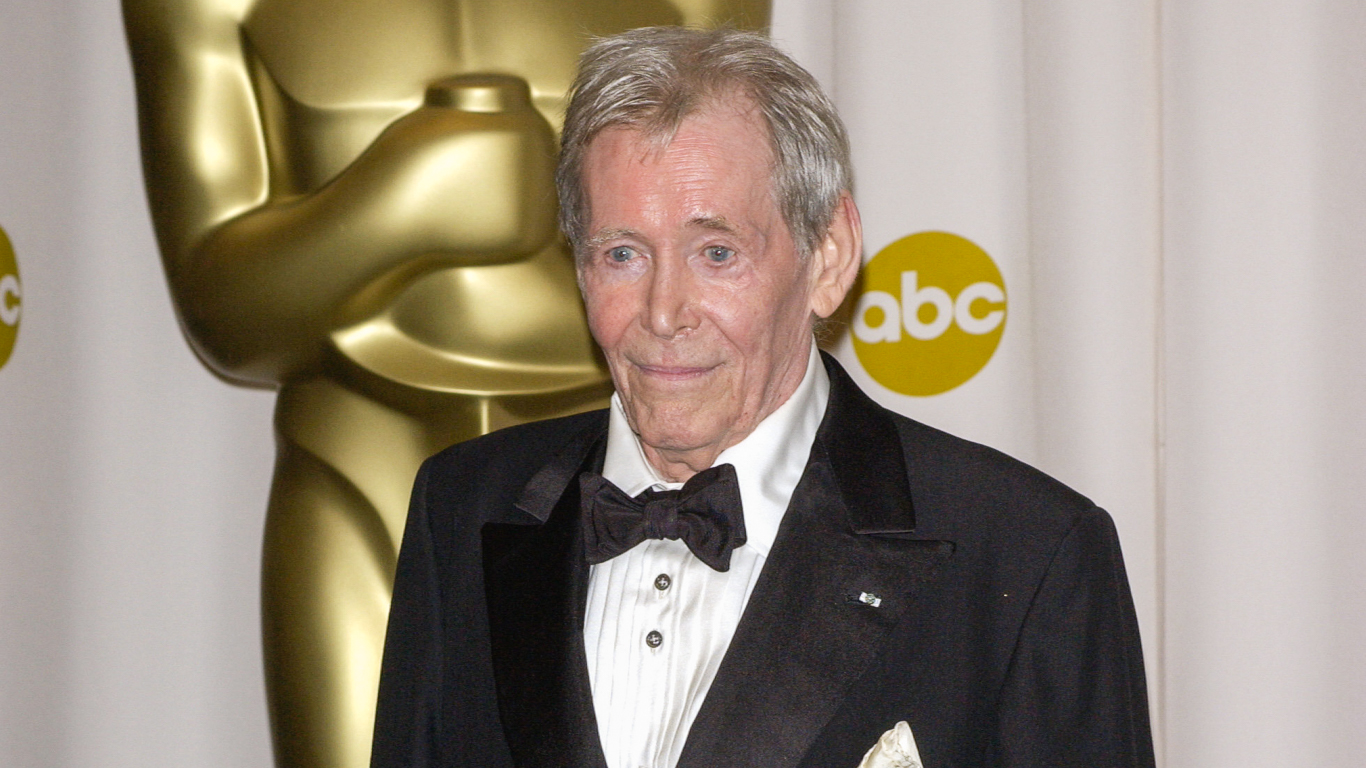 When Peter O’Toole died in 2013, he left behind an incredible film career stretching back to the ’50s. You might feel safe betting on O’Toole taking home the gold for his role as T.E. Lawrence in the all-time classic “Lawrence of Arabia” — but you’d be wrong. In fact, from 1962 to 1982, he received seven Oscar nominations and lost every time.

In 2002, he finally netted an honorary Oscar to recognize his contributions to cinema history. Then, in 2006, he was nominated for an eighth time for his role in “Venus.” He lost once again because the Academy works in mysterious ways. 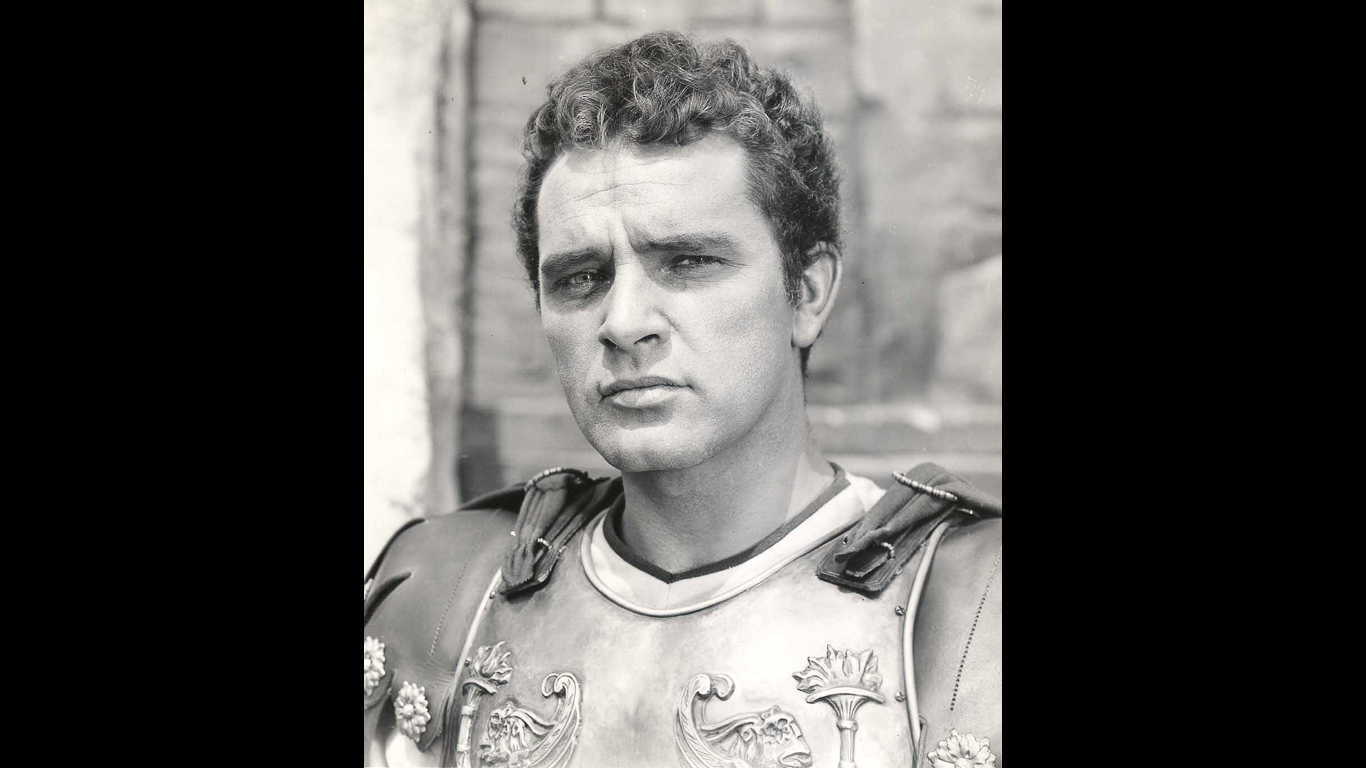 Legendary stage and film actor Richard Burton had a whole streak of Oscar nominations — seven in total — starting with 1952’s “My Cousin Rachel” and continuing onto 1977’s “Equus.” He didn’t have a streak of wins, though. Or any for that matter.

Burton’s unfortunate nominations-to-wins ratio didn’t affect his celebrity, acclaim or legacy, though. And it didn’t affect his bank account either. Though he passed away in 1984, Burton accumulated a major net worth over the years. 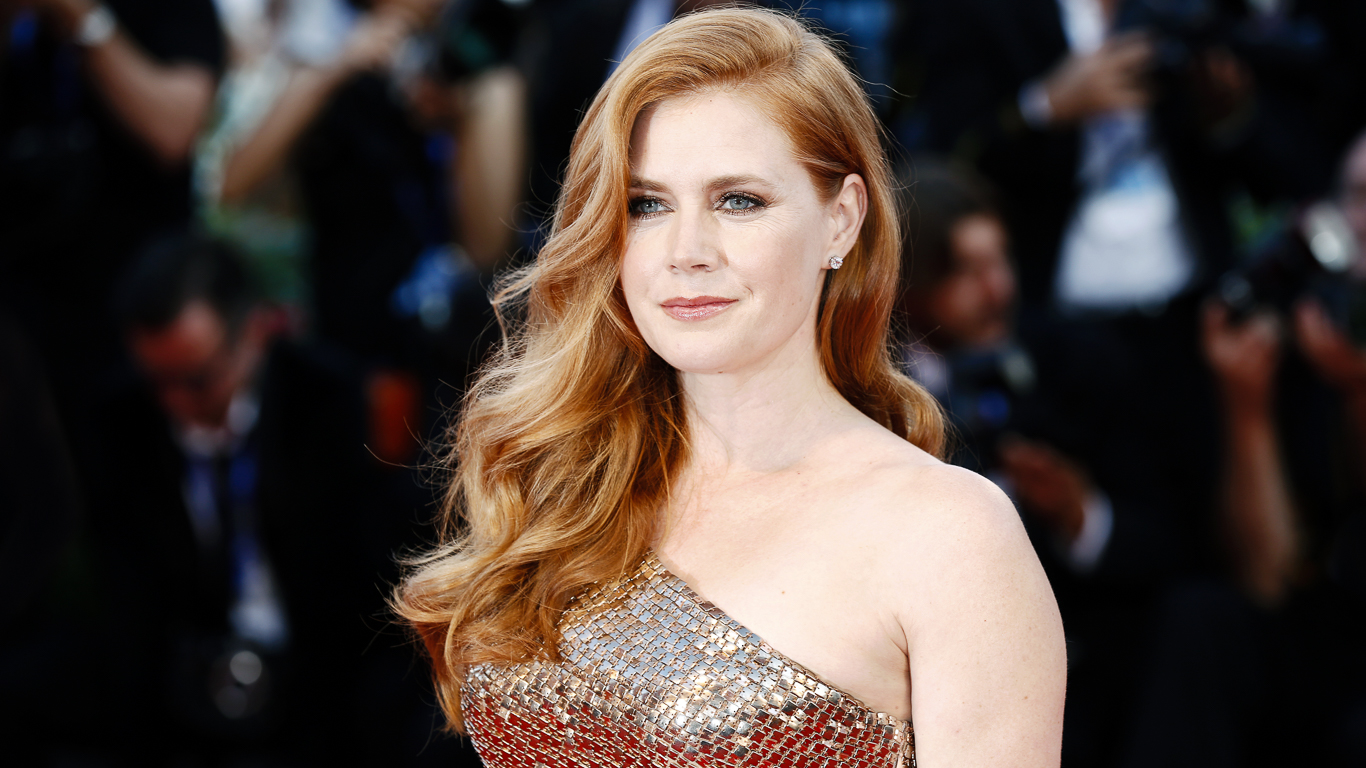 Amy Adams isn’t just great at playing down-to-earth characters — she’s also great at getting Oscar nominations. Since 2005, she’s been nominated a whopping six times for both leading and supporting roles.

Unfortunately, she hasn’t yet managed a win. Her position as a dependable powerhouse actress, though, has landed her roles in blockbusters like “American Hustle,” “Batman v Superman: Dawn of Justice” and, more recently, “Vice.” 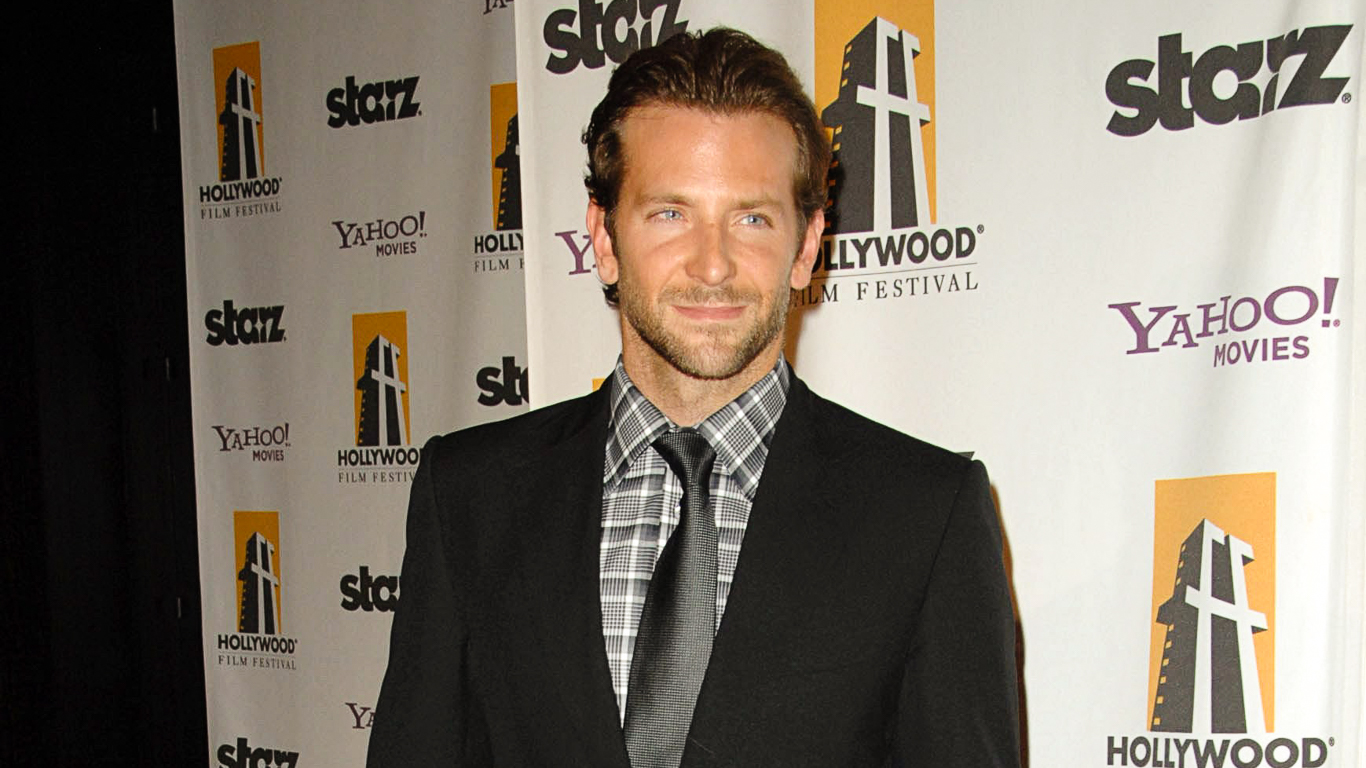 It doesn’t get much more A-list than Bradley Cooper. Whether he’s playing a sniper, a cop or a CGI space raccoon, Cooper is cranking out hits that keep paying off at the bank.

Unfortunately, the “A” in A-list doesn’t seem to stand for Academy love. Cooper saw a nomination each year in 2013, 2014 and 2015 — for “Silver Linings Playbook,” “American Hustle” and “American Sniper” — but ended up with nothing to show at the after-party. In 2019, Cooper received three nominations for “A Star Is Born” and still left empty-handed. His luck may be changing this year with “Joker,” a movie Cooper produced, as it received a nomination for best picture. 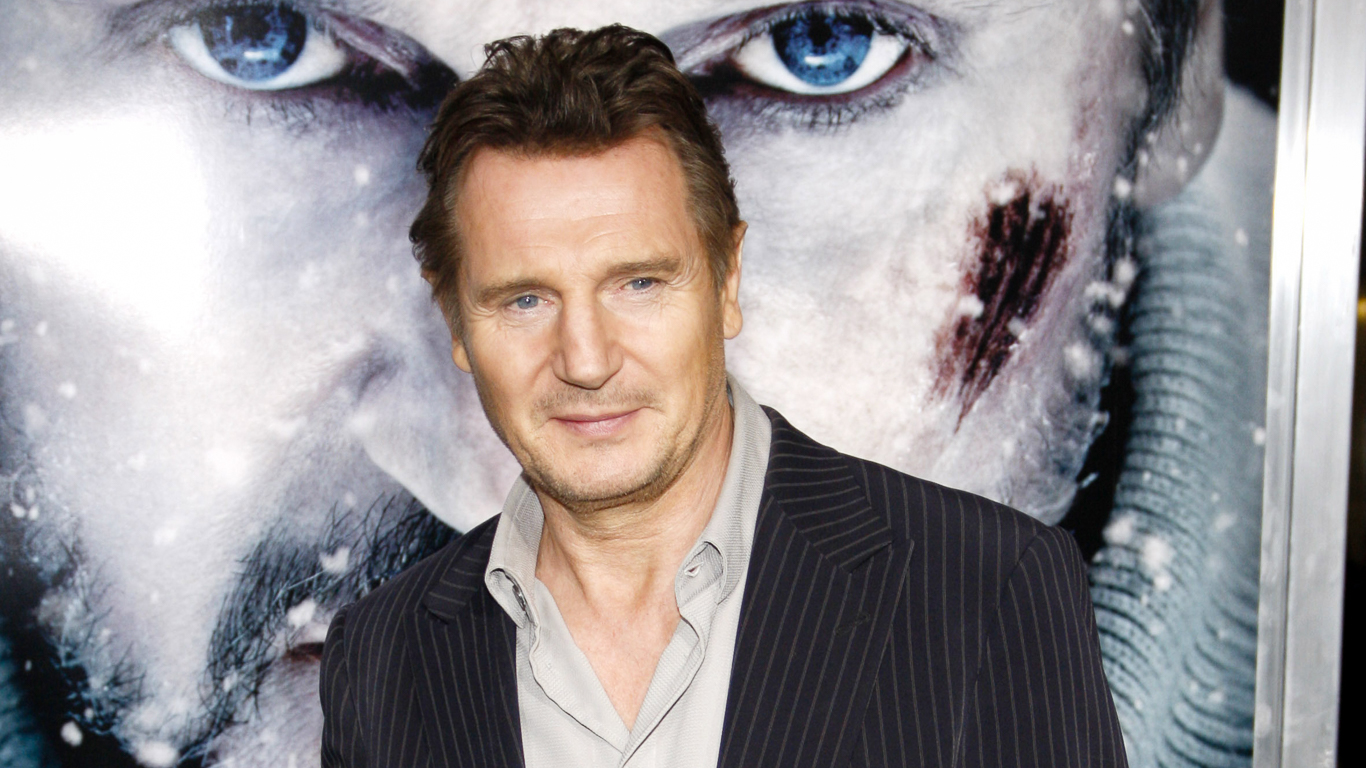 Liam Neeson’s early career leaned toward drama, and a role in “Schindler’s List” netted him his singular Academy Award nomination in 1993. It also netted him his first Academy Award snub, but that hasn’t slowed him down at the box office. Today, Neeson lends his trademark gravitas to blockbusters like “Taken,” which netted $226.8 million worldwide. 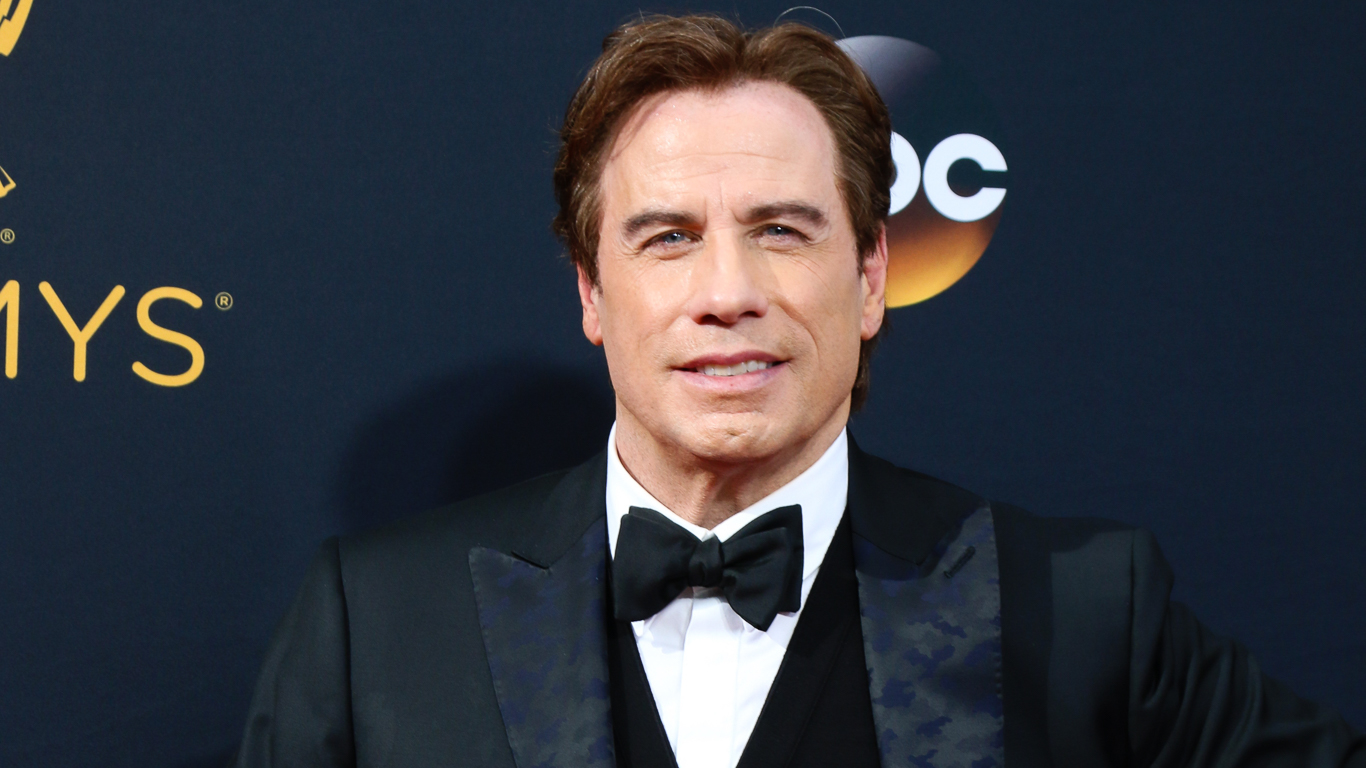 John Travolta hit the scene hard as an Academy Award nominee in 1977 with “Saturday Night Fever,” but didn’t see another nomination until Quentin Tarantino’s revolutionary “Pulp Fiction” in the ’90s. But Travolta has certainly learned that you don’t need the Academy to get by — just a whole lot of money. 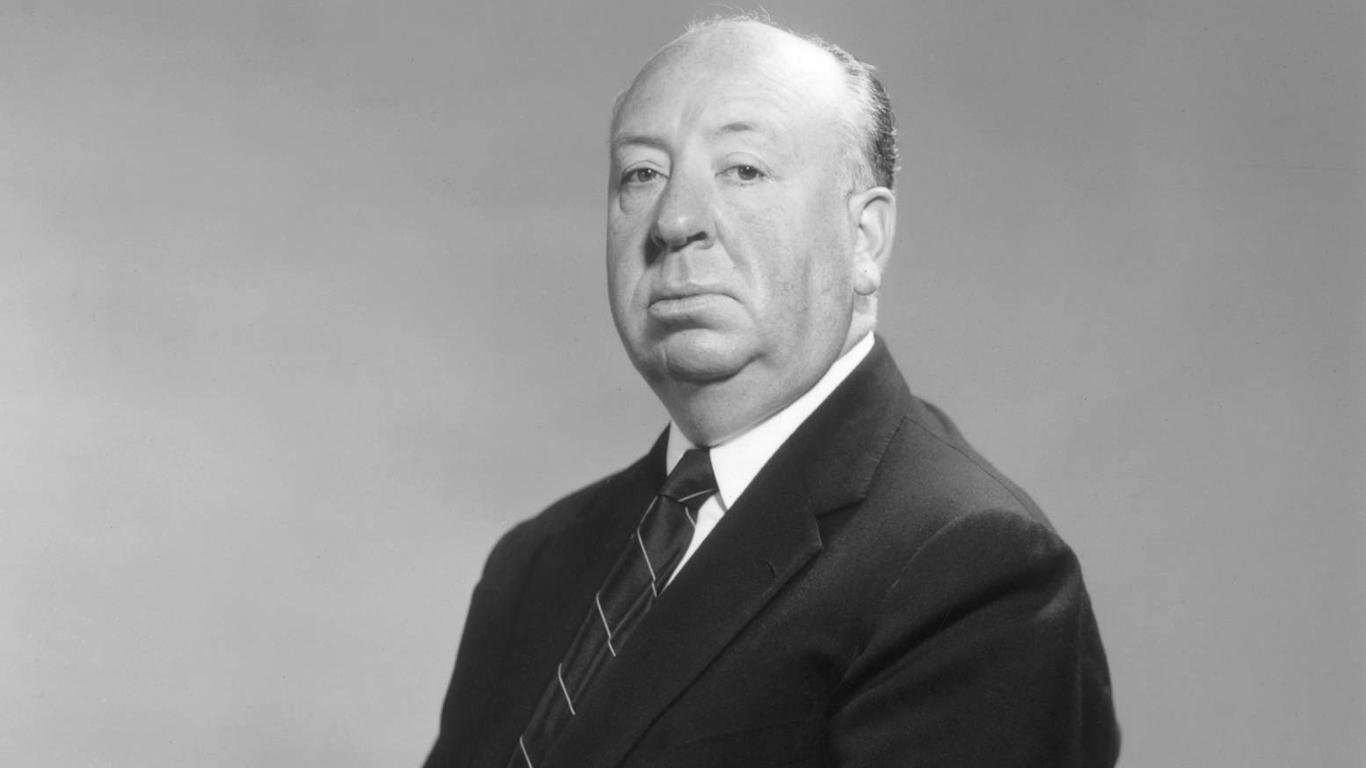 “Spellbound,” “Rear Window,” “Psycho” — these aren’t just Alfred Hitchcock movies, they’re films that never won the Master of Suspense a single Academy Award. Neither did the rest of his tenure as one of history’s most influential directors, though he earned an Irving G. Thalberg Memorial Award in ’68. 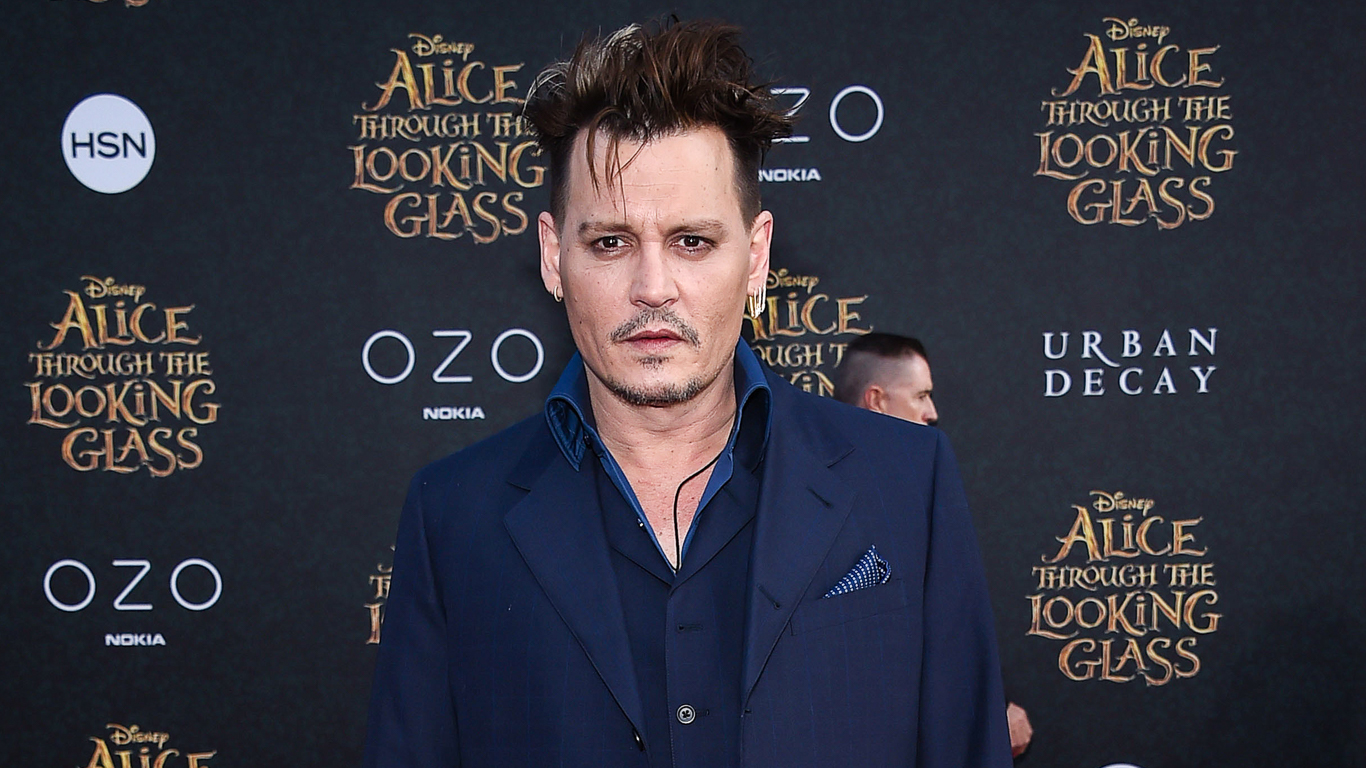 Though Johnny Depp secured his place as an indie darling with quirky cult hits like “Cry-Baby,” “Edward Scissorhands” and “Benny & Joon,” his career skyrocketed with Disney’s “Pirates of the Caribbean: The Curse of the Black Pearl.”

And it was none other than Jack Sparrow that got Depp his first, rather unexpected, nod from the Academy. It also got him his first Oscar snub. Since then, he’s been nominated for 2004’s “Finding Neverland” and 2007’s “Sweeney Todd: The Demon Barber of Fleet Street” — and lost both.

Find Out: Here’s What an Oscar and Other Award Statues Are Actually Worth 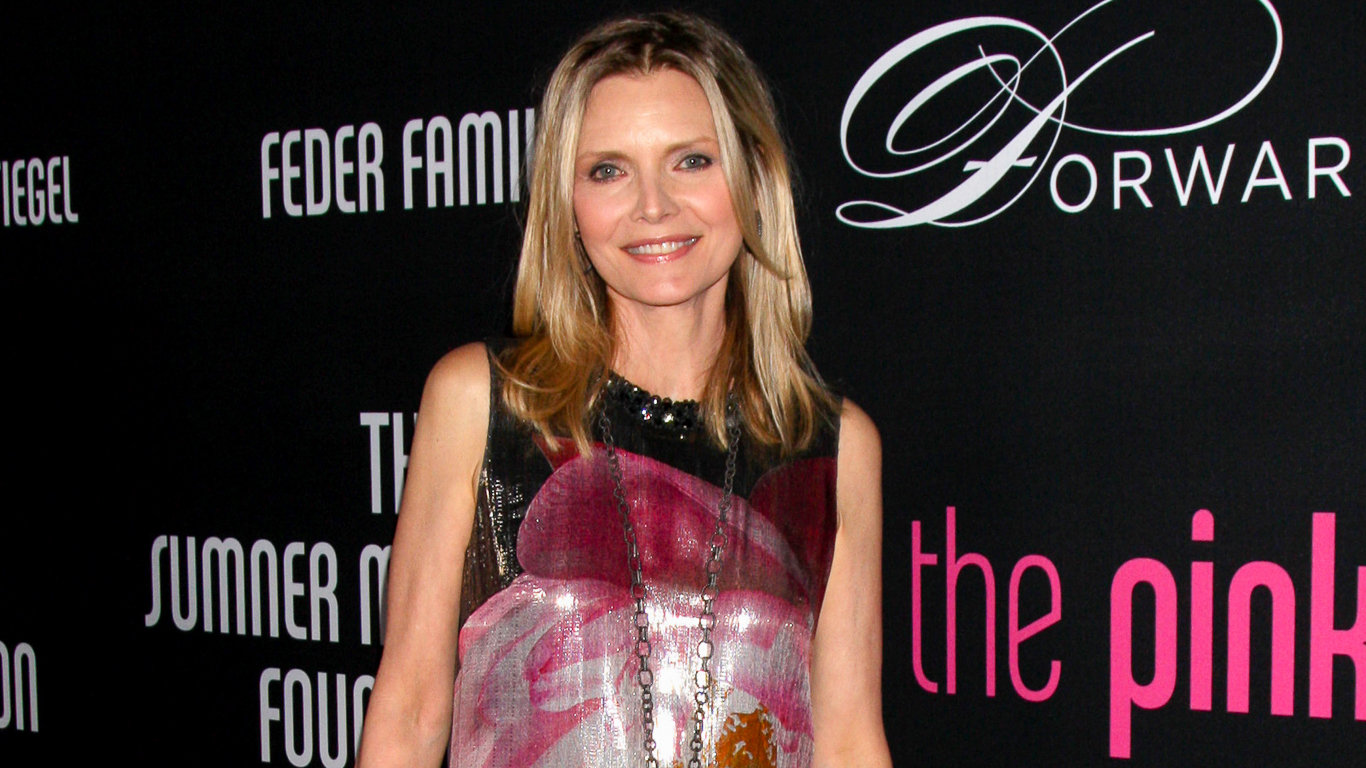 Michelle Pfeiffer set the acting world on fire in the ’80s and early ’90s, with Oscar nominations in “Dangerous Liaisons,” “The Fabulous Baker Boys” and “Love Field” — not to mention her cult-favorite take on Catwoman in Tim Burton’s “Batman Returns,” a box-office blockbuster the year it came out.

None of Pfeiffer’s nominations turned into wins, however, and the Academy wasn’t much into cat ears, latex and whips, either. As it stands, Pfeiffer has plenty of acclaim and respect, but no gold. Still, she drops some impressive performances from time to time, like in 2002’s “White Oleander,” 2007’s “Stardust” and 2012’s “People Like Us.” 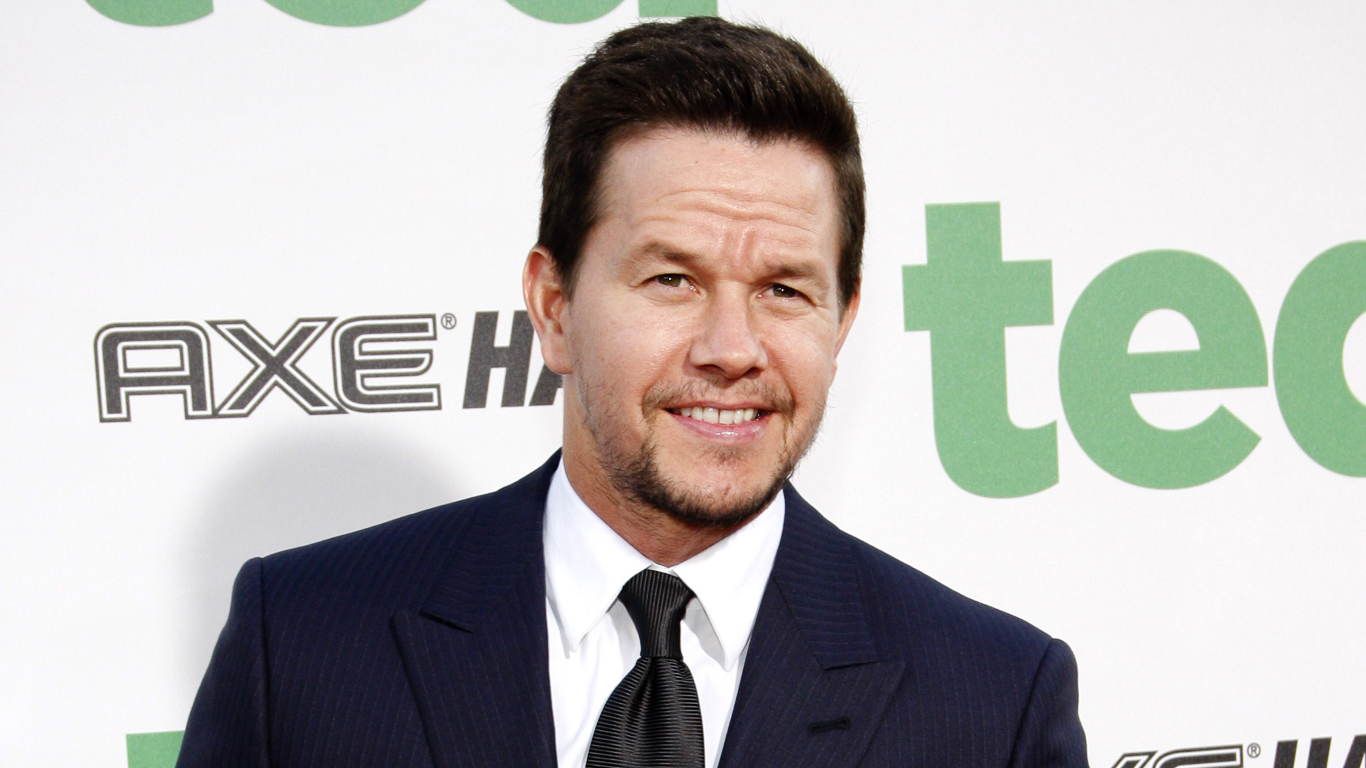 Nominations for “The Departed” and “The Fighter” showed off Mark Wahlberg’s soft-spoken style, and his fame has ballooned with blockbuster hits like the “Transformers” film series. Yet, despite two Oscar nominations and more hits than you can count, Wahlberg remains statue-less. At least he still has his family’s chain of burger joints. 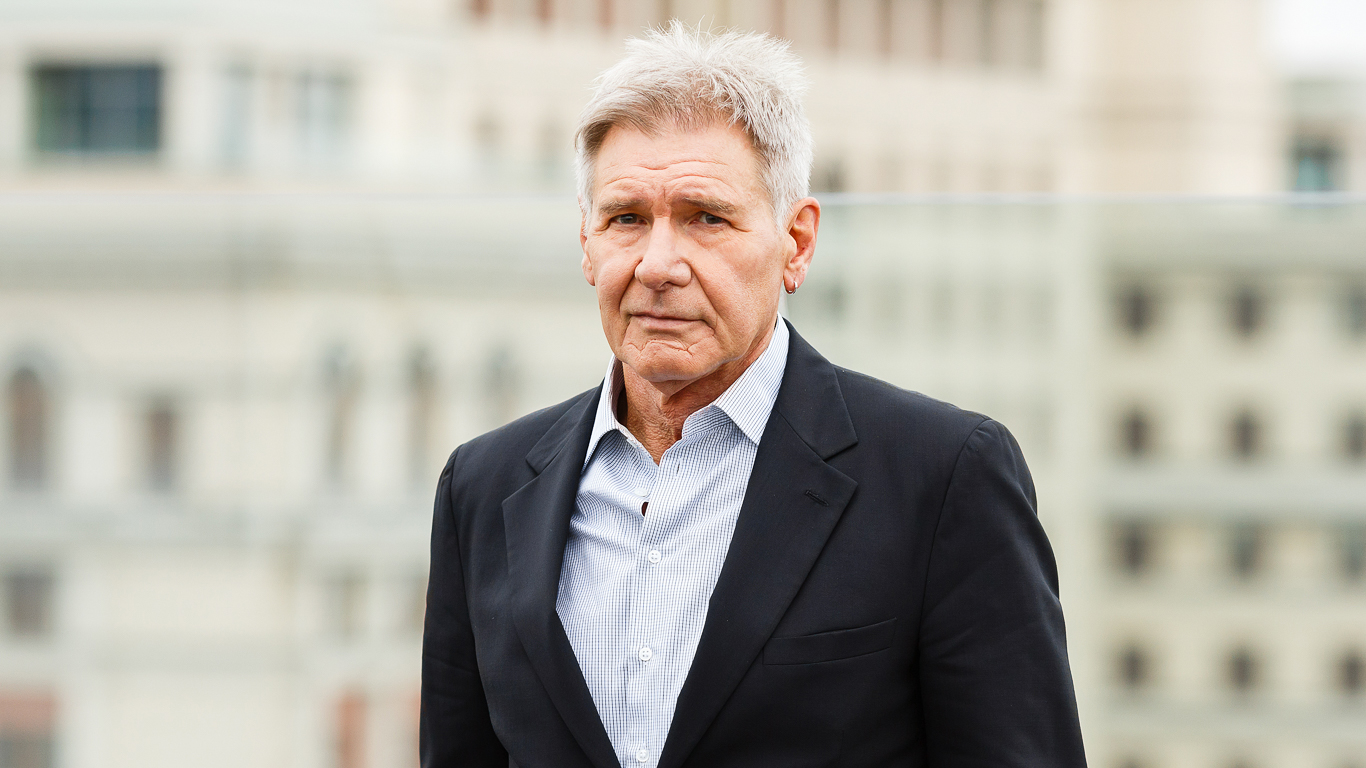 Harrison Ford might be iconic, but his career doesn’t really scream Oscar bait. At the end of the day, Han Solo, Indiana Jones and Jack Ryan are more winners in the box office than among critics.

Even still, it’s hard to believe that Ford’s position as one of the most successful actors on the planet has only ever earned him one night as an Academy Award nominee. In 1985, he was recognized for his performance as John Book in the Peter Weir-directed drama “Witness.” Despite never winning an Oscar, Ford remains one of the richest actors in the “Star Wars” universe. 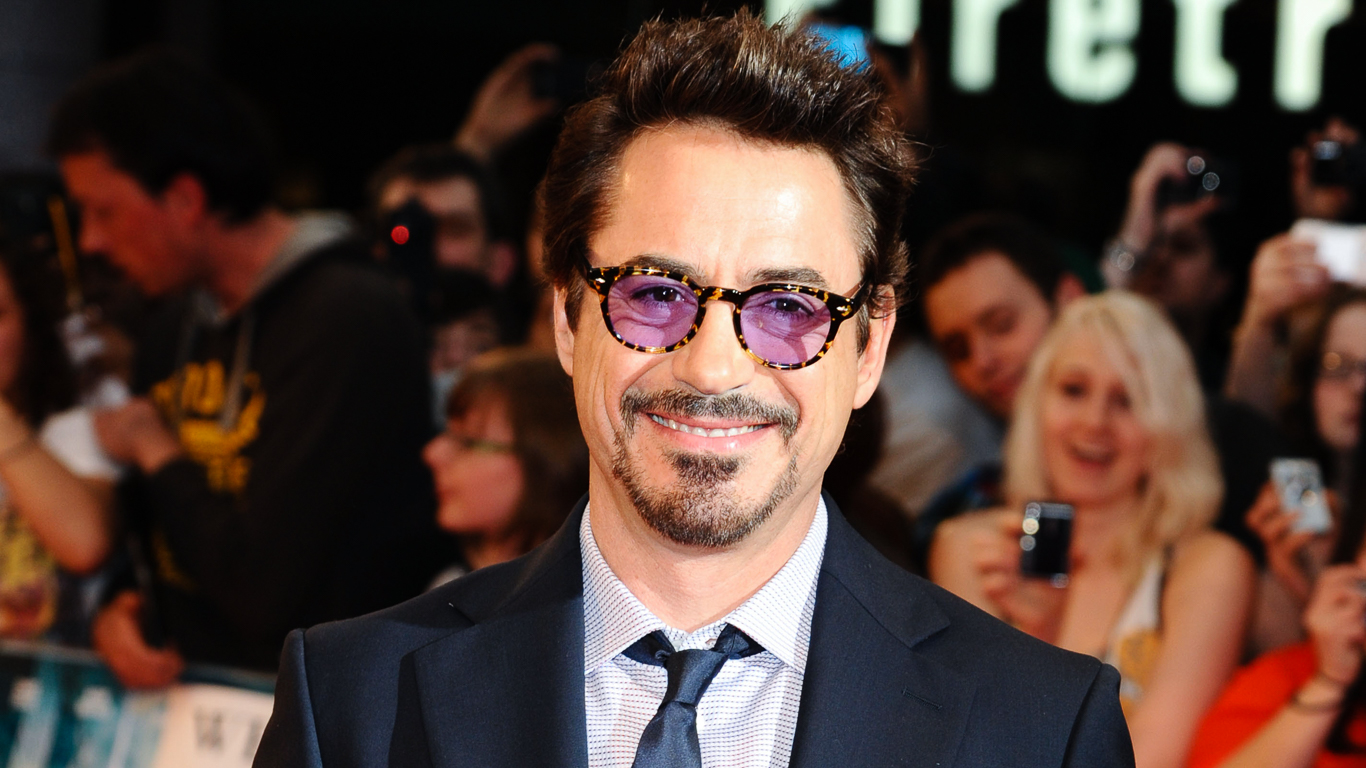 It’s easy to relegate Robert Downey Jr. to his leading role as Iron Man in the Marvel Cinematic Universe. Disney’s influential brand of interconnected, serialized blockbusters is surely a substantial contributor to the star’s massive net worth. But, there was a time when he was known more for Oscar-nominated roles in 1992’s “Chaplin” and the 2008 action-comedy “Tropic Thunder.”

Neither nomination worked out for RDJ, but at least playing Iron Man has kept him busy — and earned him millions. 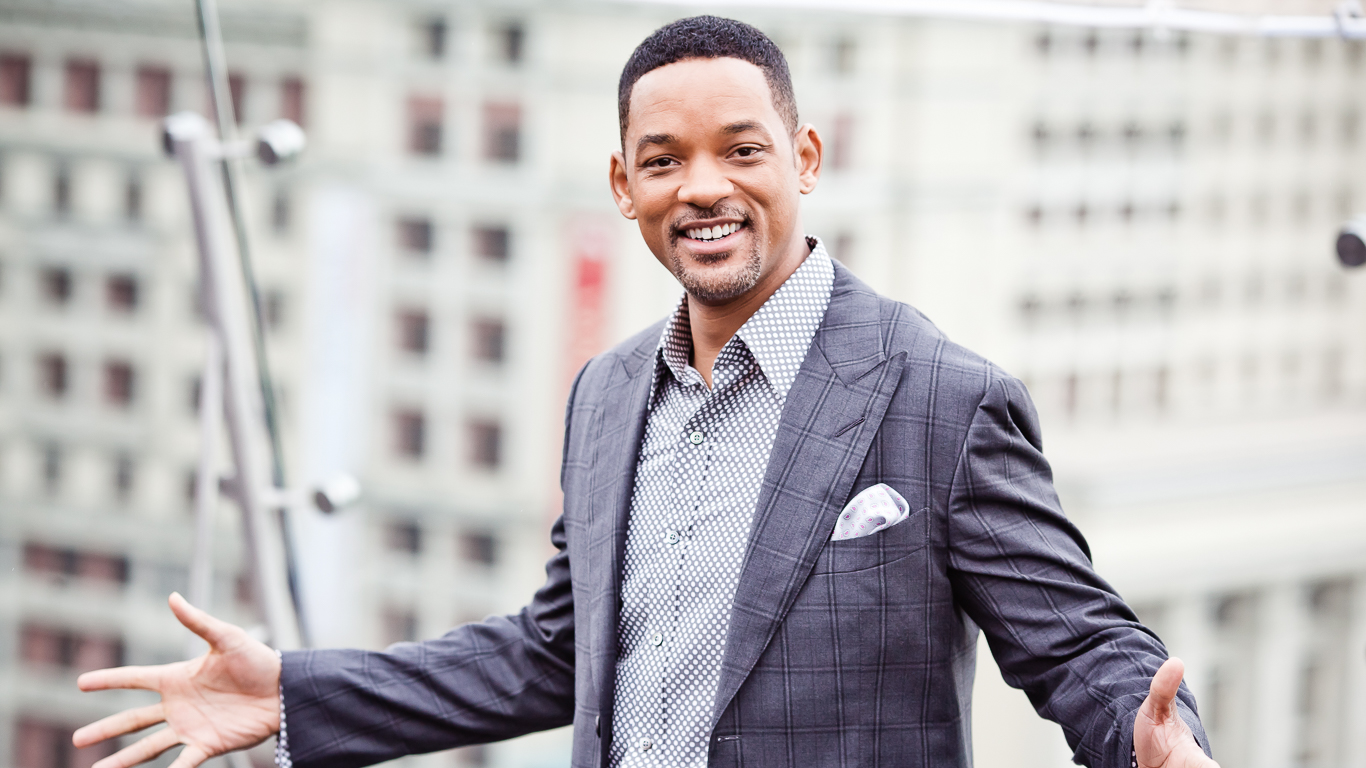 Some actors fly under the radar. Others, like Will Smith, make ridiculous amounts of money. Smith has earned hundreds of millions of dollars since he dropped albums in the late ’90s.

Though Smith is best known for roles in blockbusters like “Men in Black,” “Independence Day” and “I Am Legend,” it’s his more modest hits that have garnered him Oscar recognition. He snagged nominations for “Ali” and “The Pursuit of Happyness” in 2001 and 2006, respectively. The other members of the Smith family aren’t slouches, either — together they’re worth $294 million. 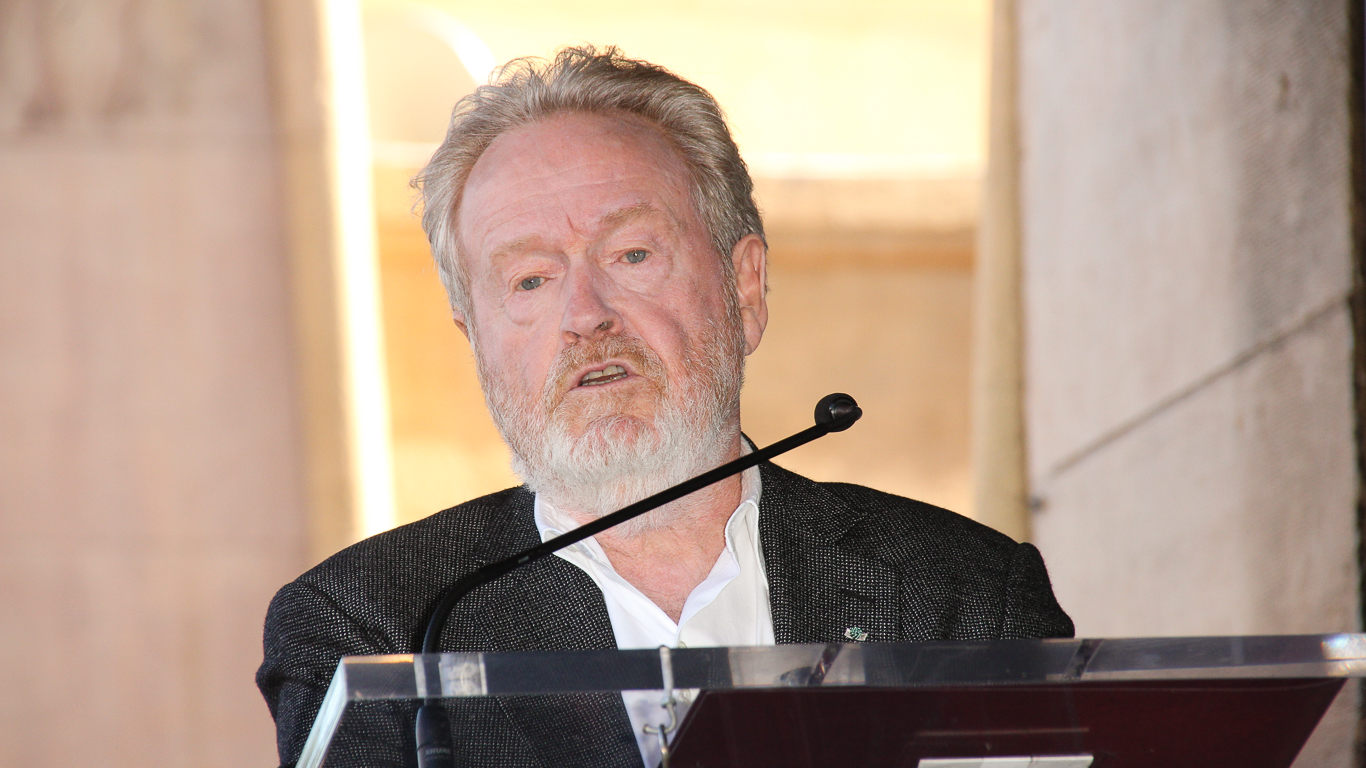 Remember the gut-wrenching sci-fi flick “Alien”? What about the immaculate production design and mind-bending narrative of “Blade Runner”? Of course you do, because Ridley Scott hit us with more sci-fi when he directed “The Martian.” Unfortunately, the Academy didn’t take much notice.

The famed director didn’t get any Oscar nominations for his seminal early work. It wasn’t until 1991’s “Thelma & Louise” that he became an Academy Award nominee. He became a director nominee again for 2000’s “Gladiator” and 2001’s “Black Hawk Down,” but has yet to bring home the gold. 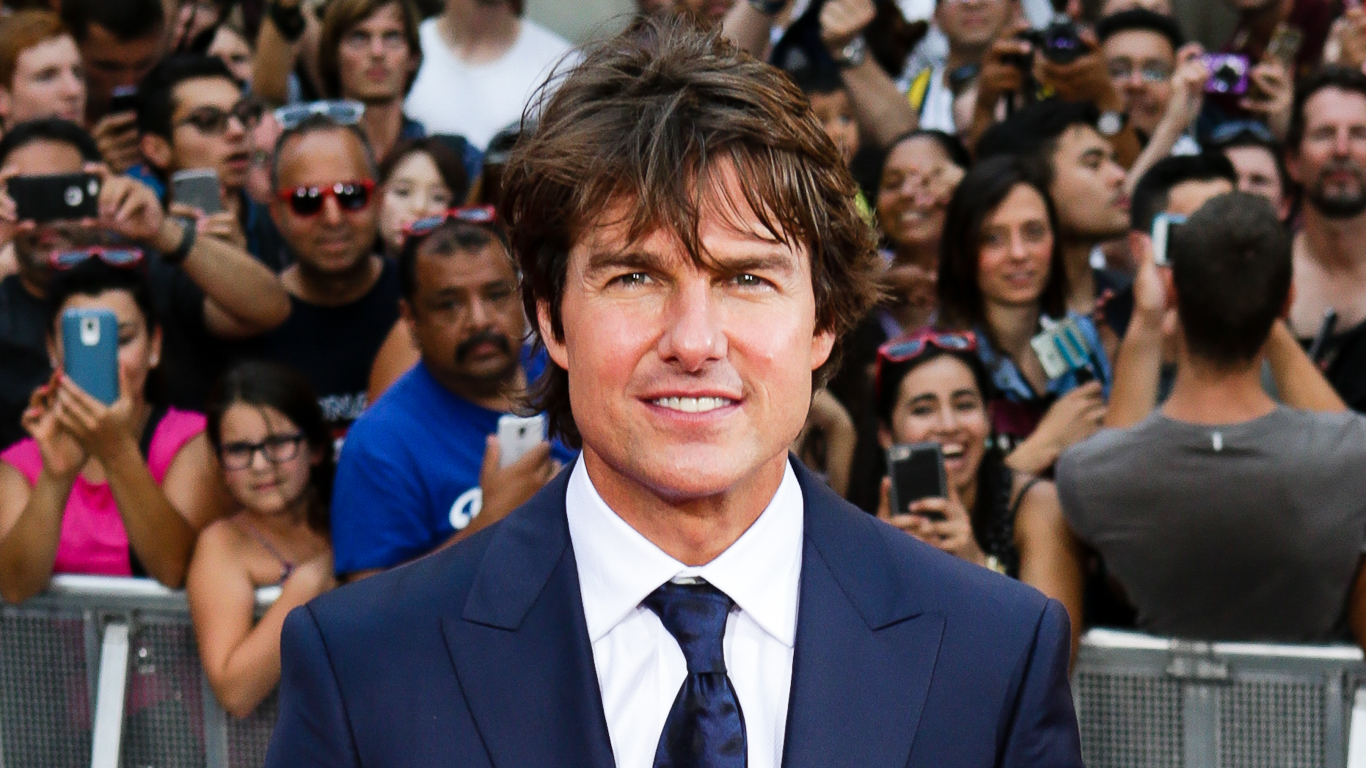 You know Tom Cruise is worth a whole lot of money. What doesn’t add up like his money is that he has never received an Oscar, though he received nods for “Born on the Fourth of July,” “Jerry Maguire” and “Magnolia.”