20 SUVs With the Best Gas Mileage 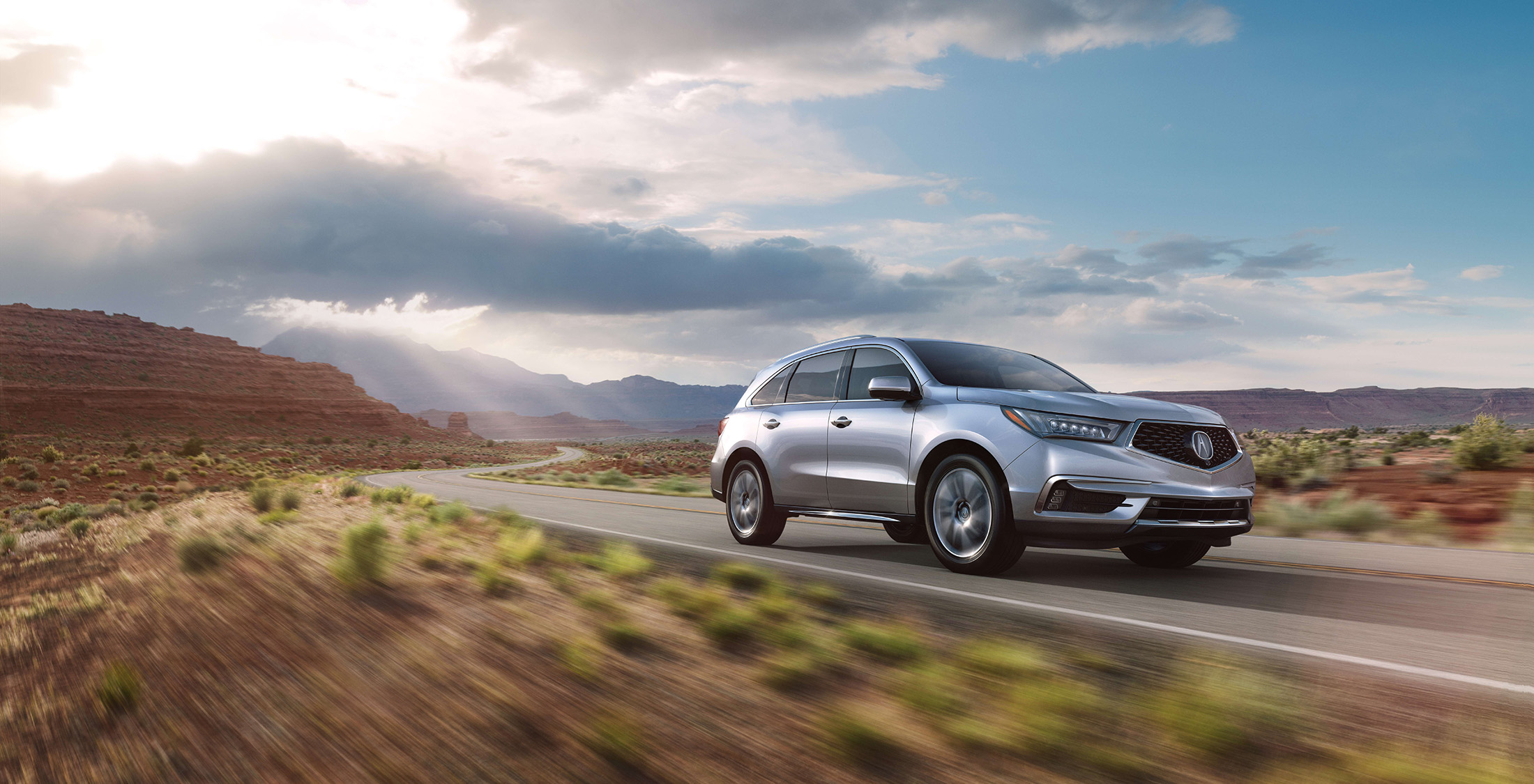 If you’re planning a few off-road adventures this year, or just want a more powerful and secure ride to work each day, make sure the sport utility vehicle you choose won’t end up guzzling gas. The average cost per mile for a four-wheel drive SUV is 10.9 cents, while a small sedan will run you 6.88 cents per mile, according to AAA.

Those four cents might not seem like a lot, but if you plan on adding more than 20,000 miles to your odometer this year, you’ll be paying an extra $7,840 in gas alone. Here are the best gas mileage SUVs that will pump out some savings. 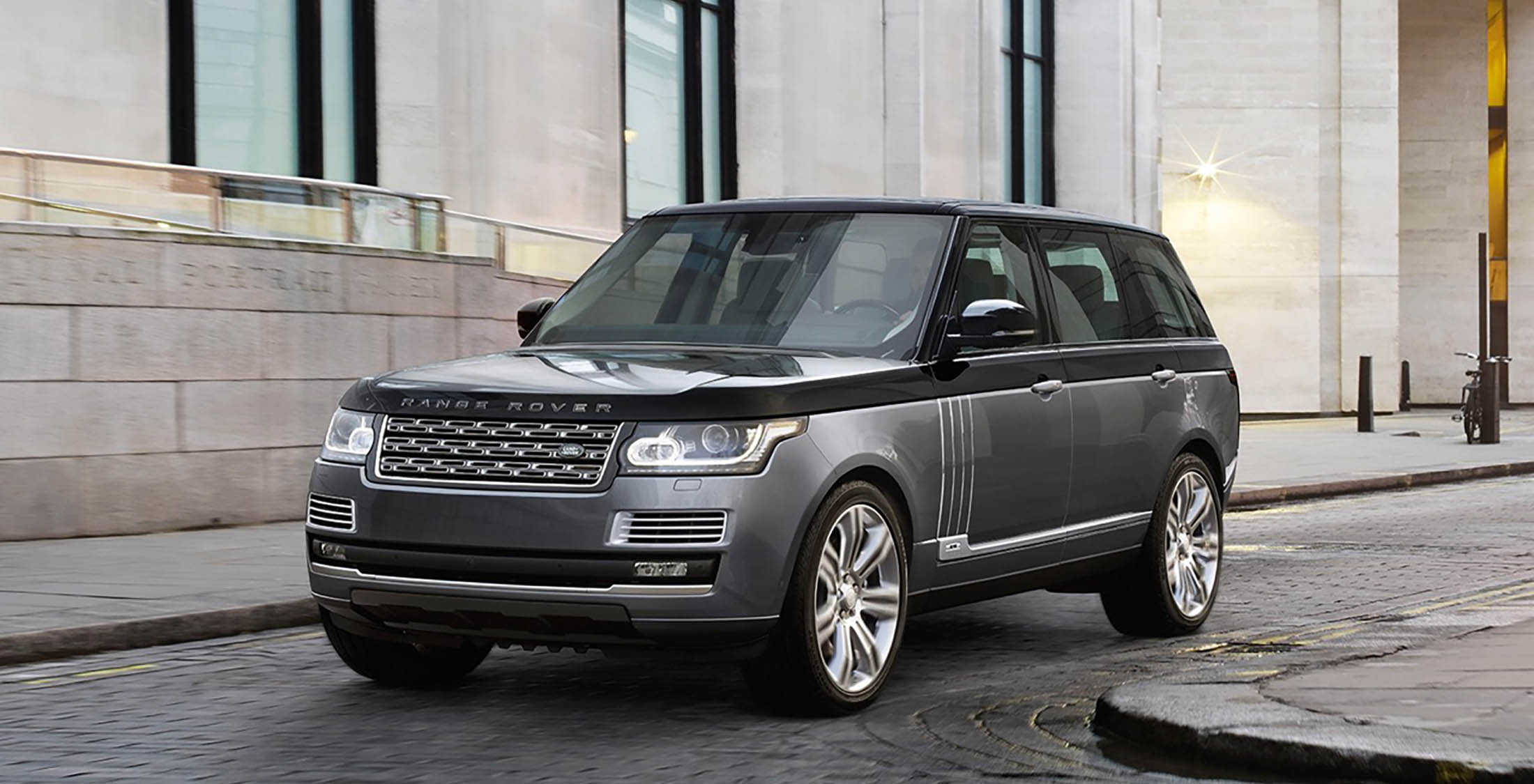 What the reviews say: Car and Driver gave the Range Rover five out of five stars for its luxury and “off-road prowess.” 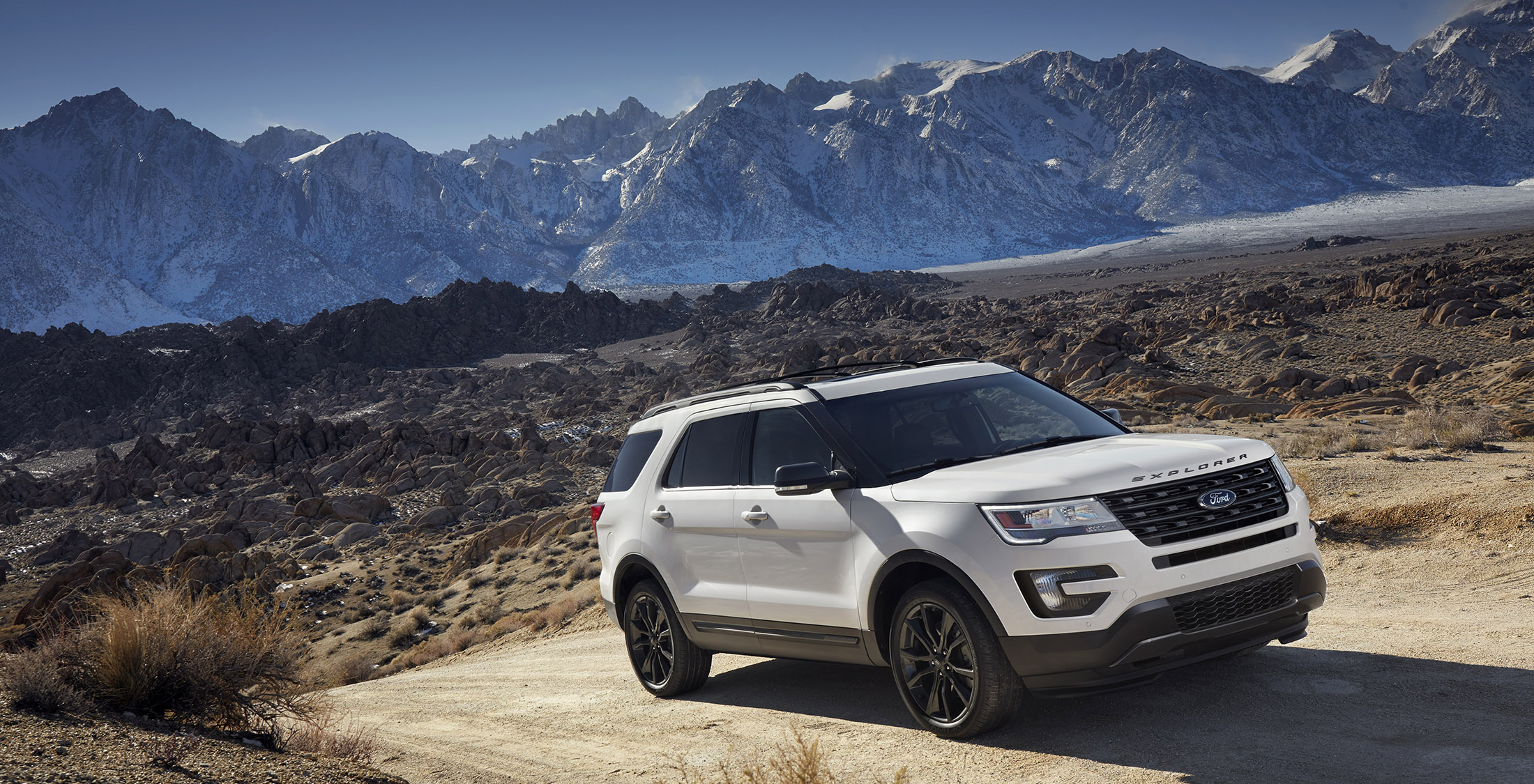 Take your road adventures to new heights with the 2017 Ford Explorer. The base model comes with a 3.5L Ti-VCT V-6 engine and AdvanceTrac with roll stability control to help you maintain better control in a variety of road conditions.

What the reviews say: The Car Connection rated the Ford Explorer an 8.4 out of 10, calling out its sporty appearance, comfortable seating and roominess.

Find Out: Is a New Car Worth It? 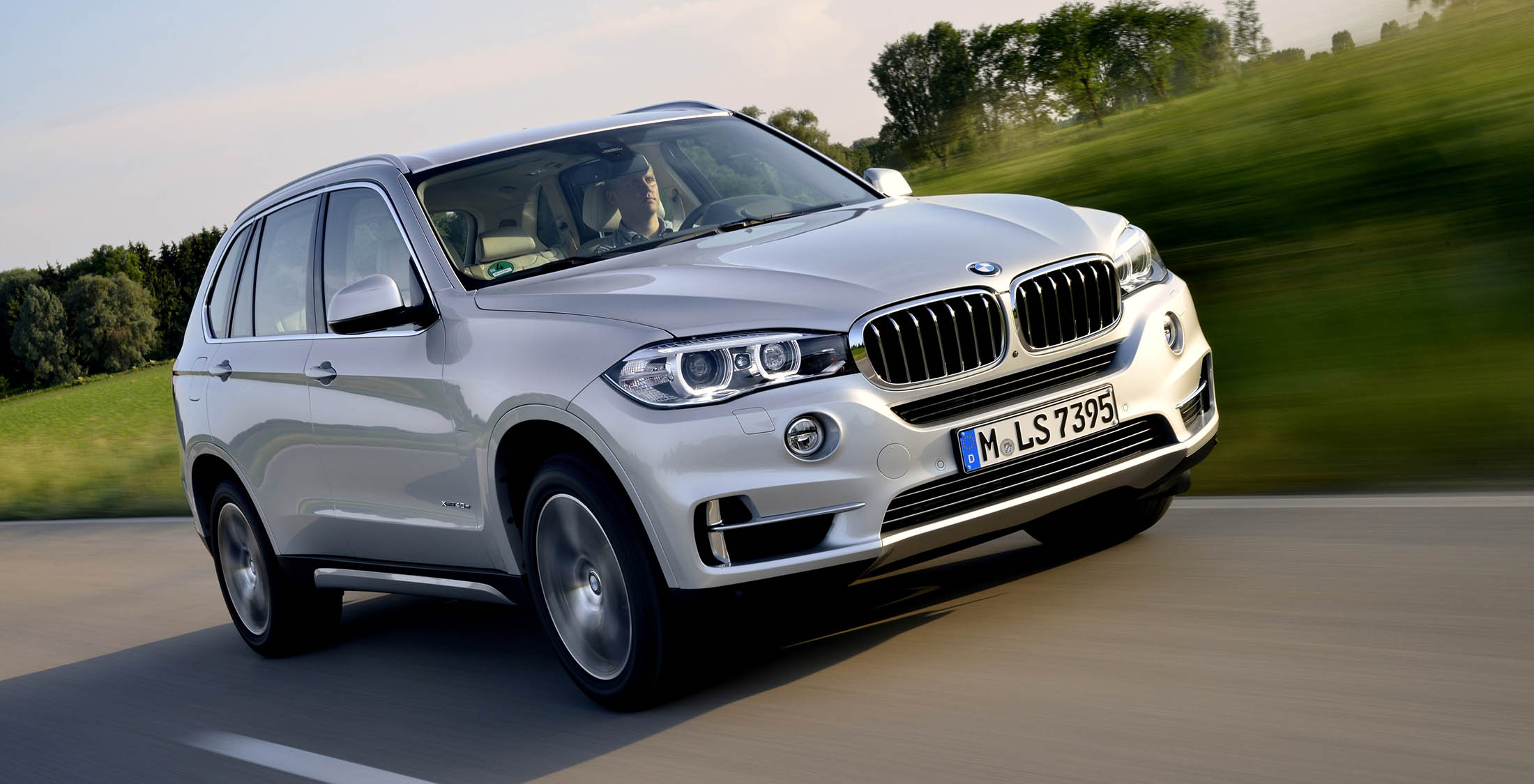 What the reviews say: Edmunds.com called the BMW X5 a “top choice for a luxury crossover SUV,” and Edmunds reviewers gave it 4.7 out of 5 stars. 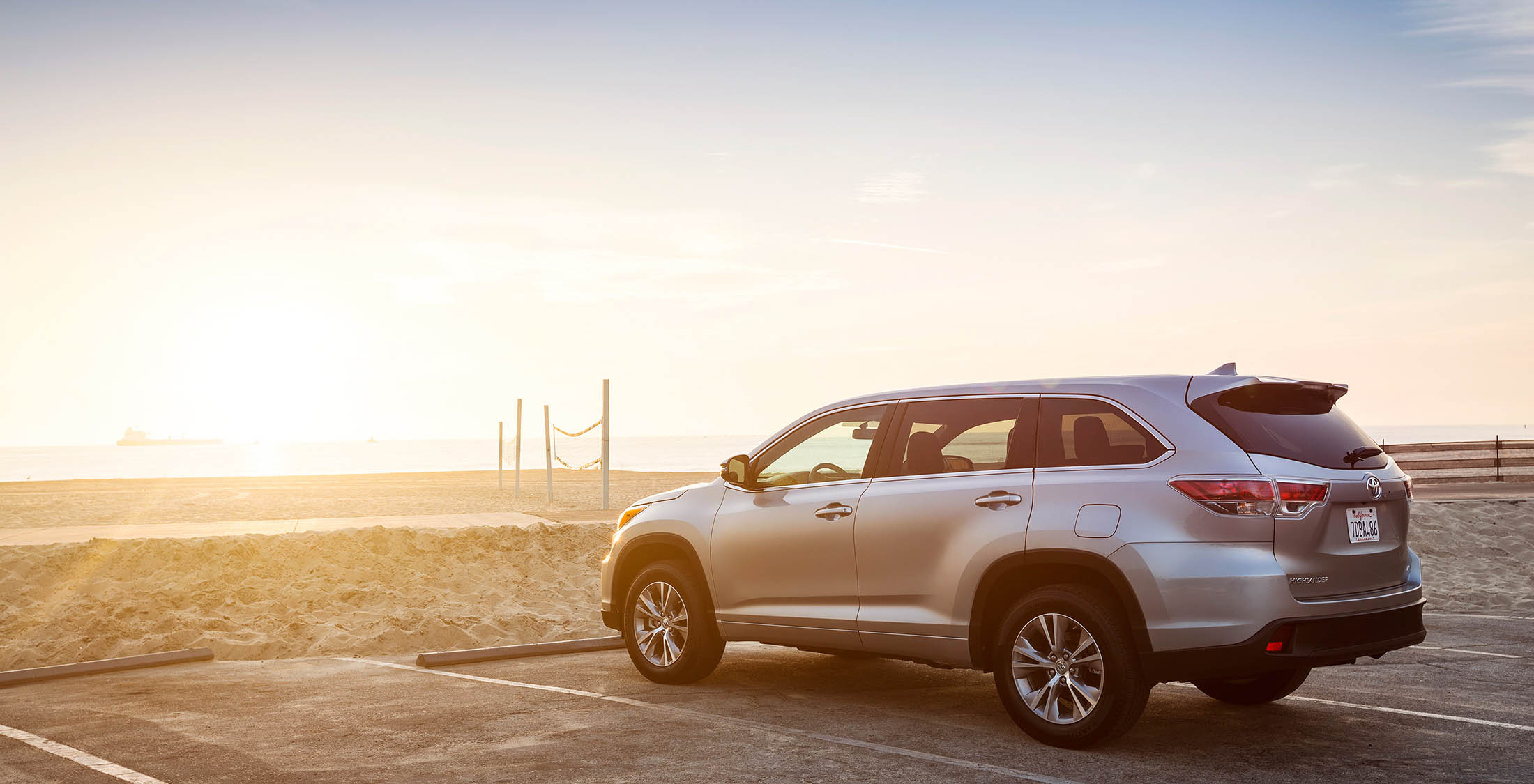 What the reviews say: The Highlander earned 4.5 stars out of five on Edmunds for its comfort and easy driving. 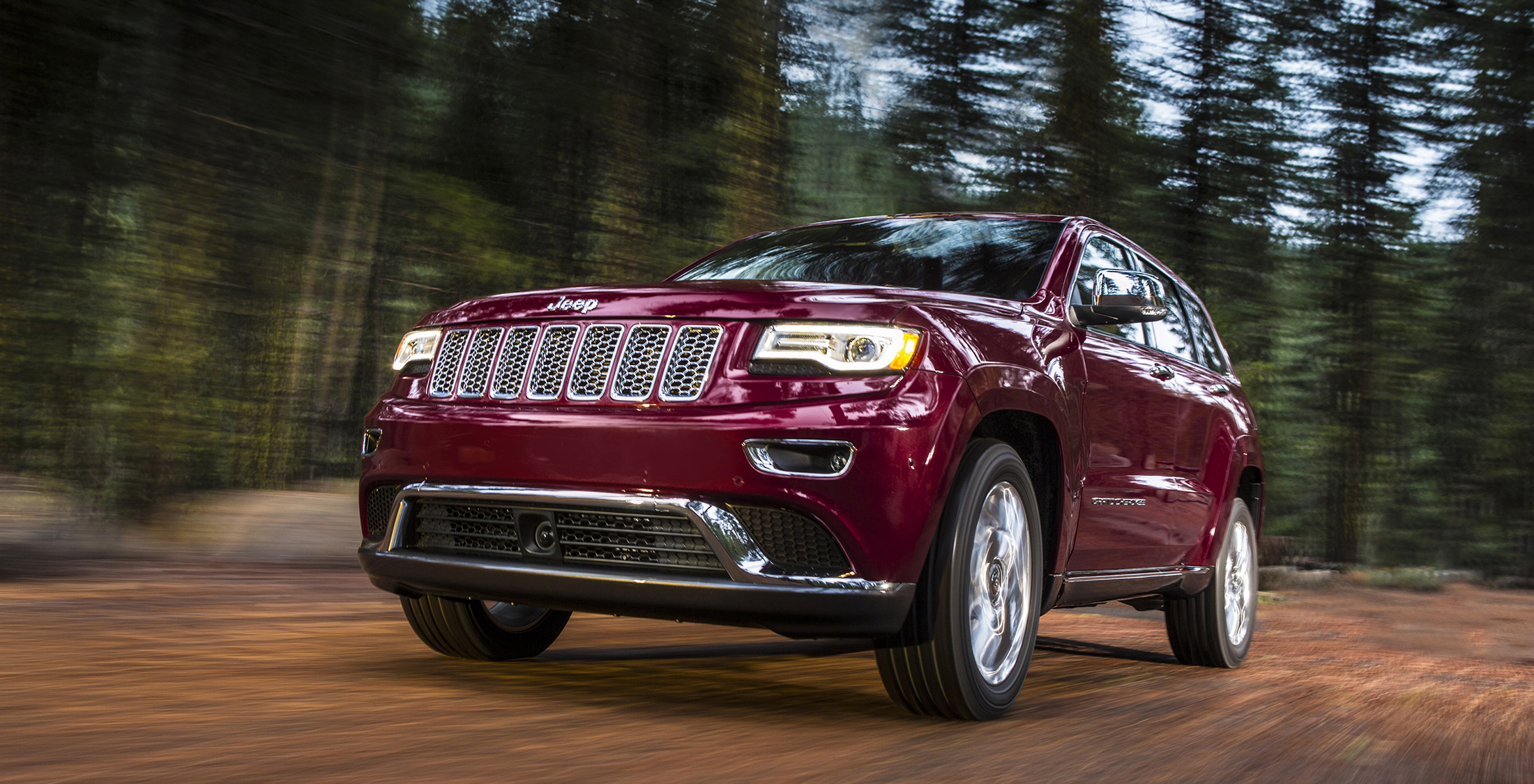 What the reviews say: The Jeep Grand Cherokee earned itself five-star ratings from Car and Driver, which described the vehicle as one of the first “carlike” SUVs. 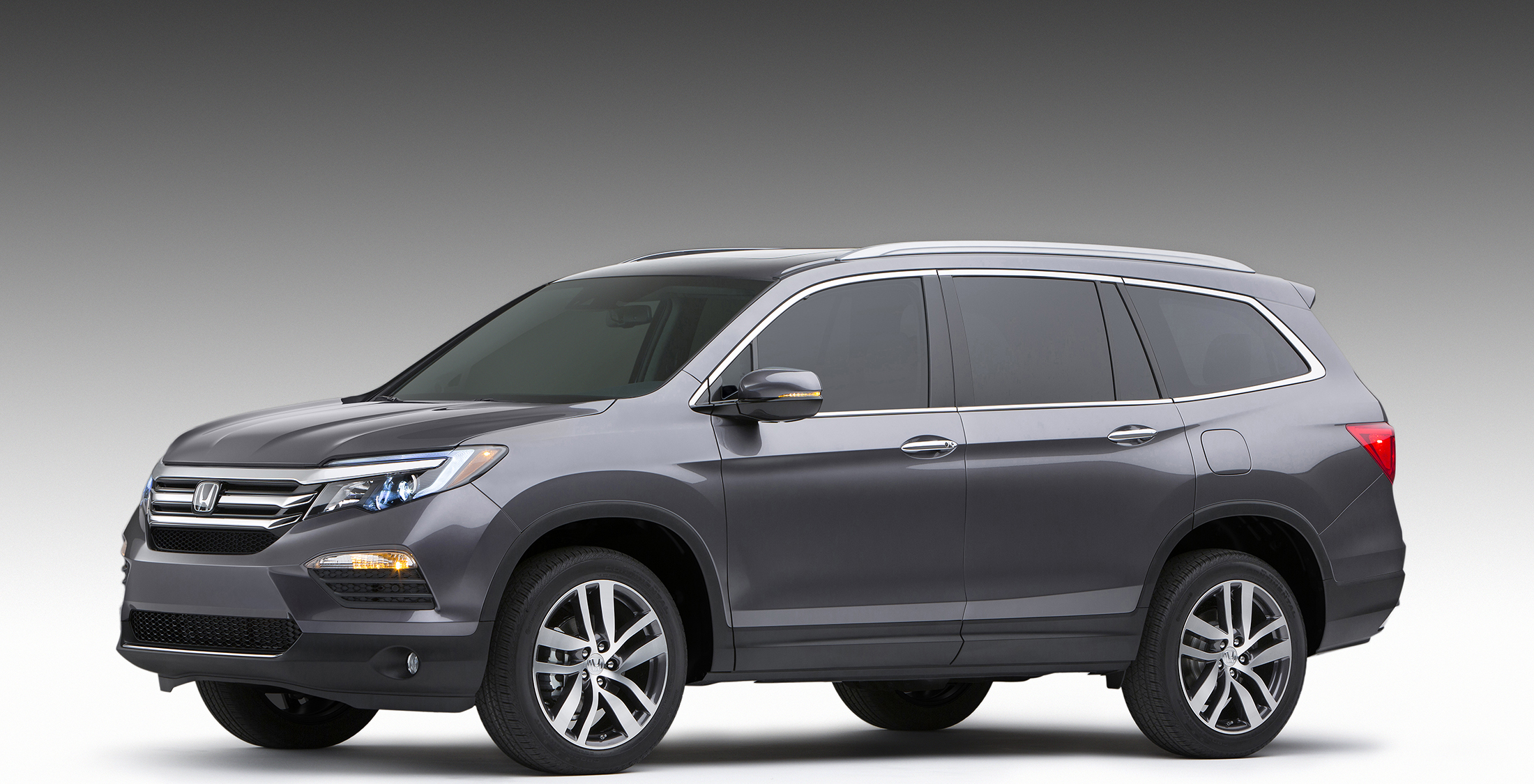 If you’re in the market for a modern family SUV, take a look at the redesigned 2016 Honda Pilot with its 280-horsepower, 3.5-liter V-6 engine. It offers seating for eight. It also comes with a multi-angle rearview camera.

What the reviews say: Edmunds gave the Honda Pilot four out of five stars and an A-rating for its spacious interior and better fuel economy than its competitors. 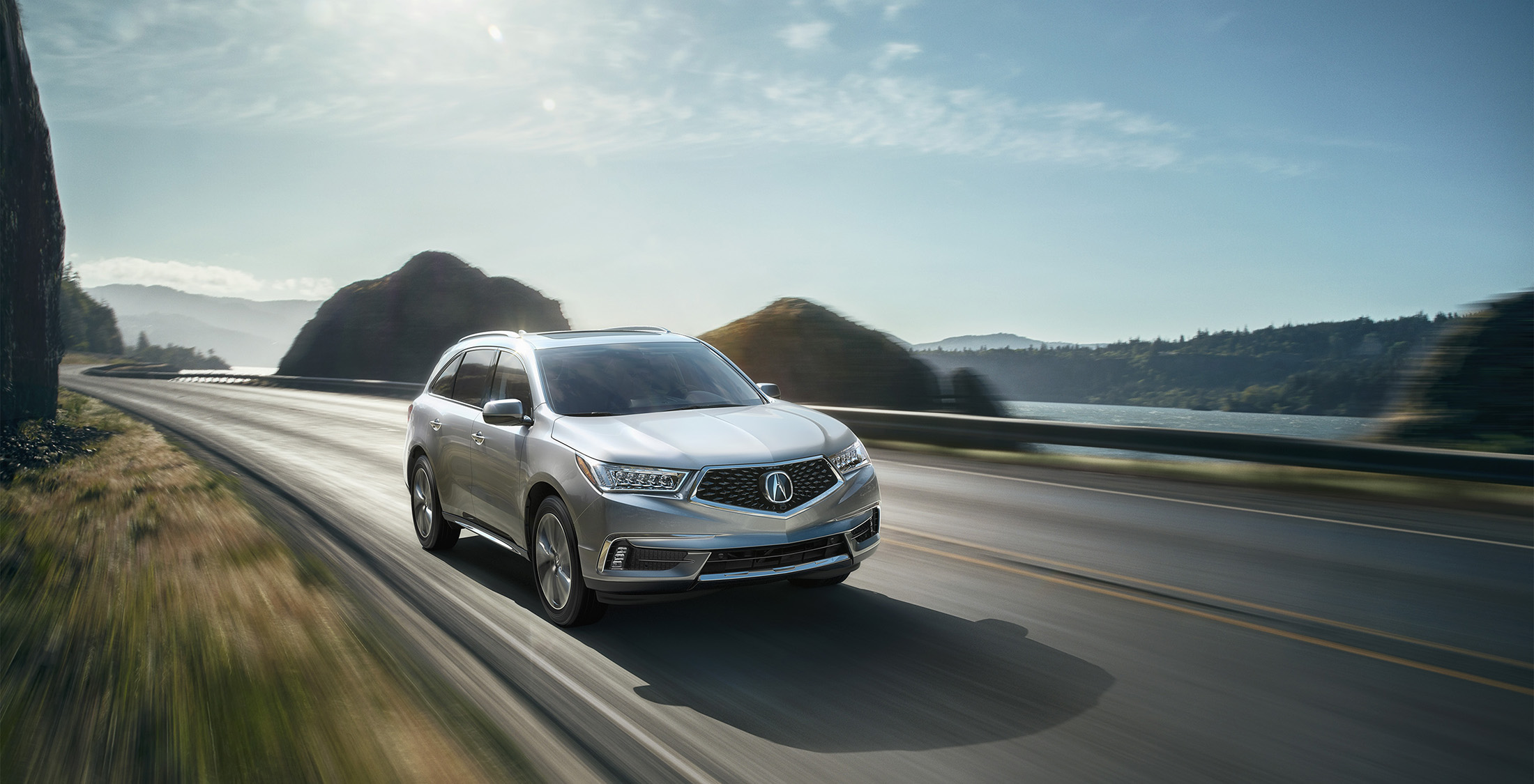 The restyled 2017 Acura MDX is powered by a 3.5-liter V-6 engine and features a range of innovative features and technologies, including a collision mitigation braking system and lane-keeping assist system.

What the reviews say: The Car Connection gave the Acura MDX a 4.6 out of five rating, and named it one of the most technologically advanced three-row luxury crossovers. 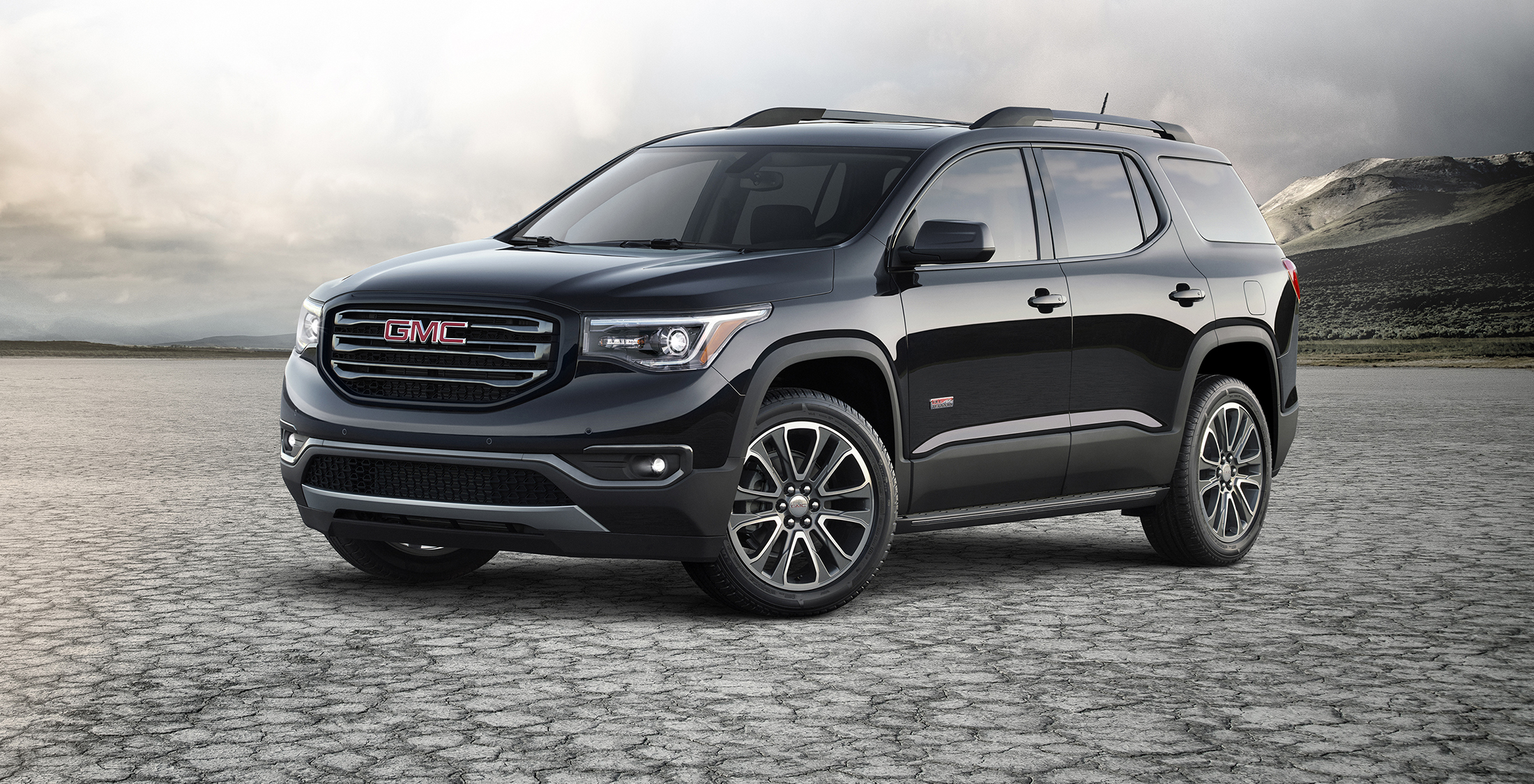 The 2017 model has a bold new look, including more sculpted lines and advanced technology. The base model’s standard 2.5L DOHC four-cylinder SIDI engine and stop-start control system helps with fuel efficiency, shutting off the engine when it doesn’t need power.

What the reviews say: Car and Driver gave the Acadia five out of five stars and nicknamed the Acadia the “jack-of-all-trades,” since you can hit the trail or the carpool lane in style. 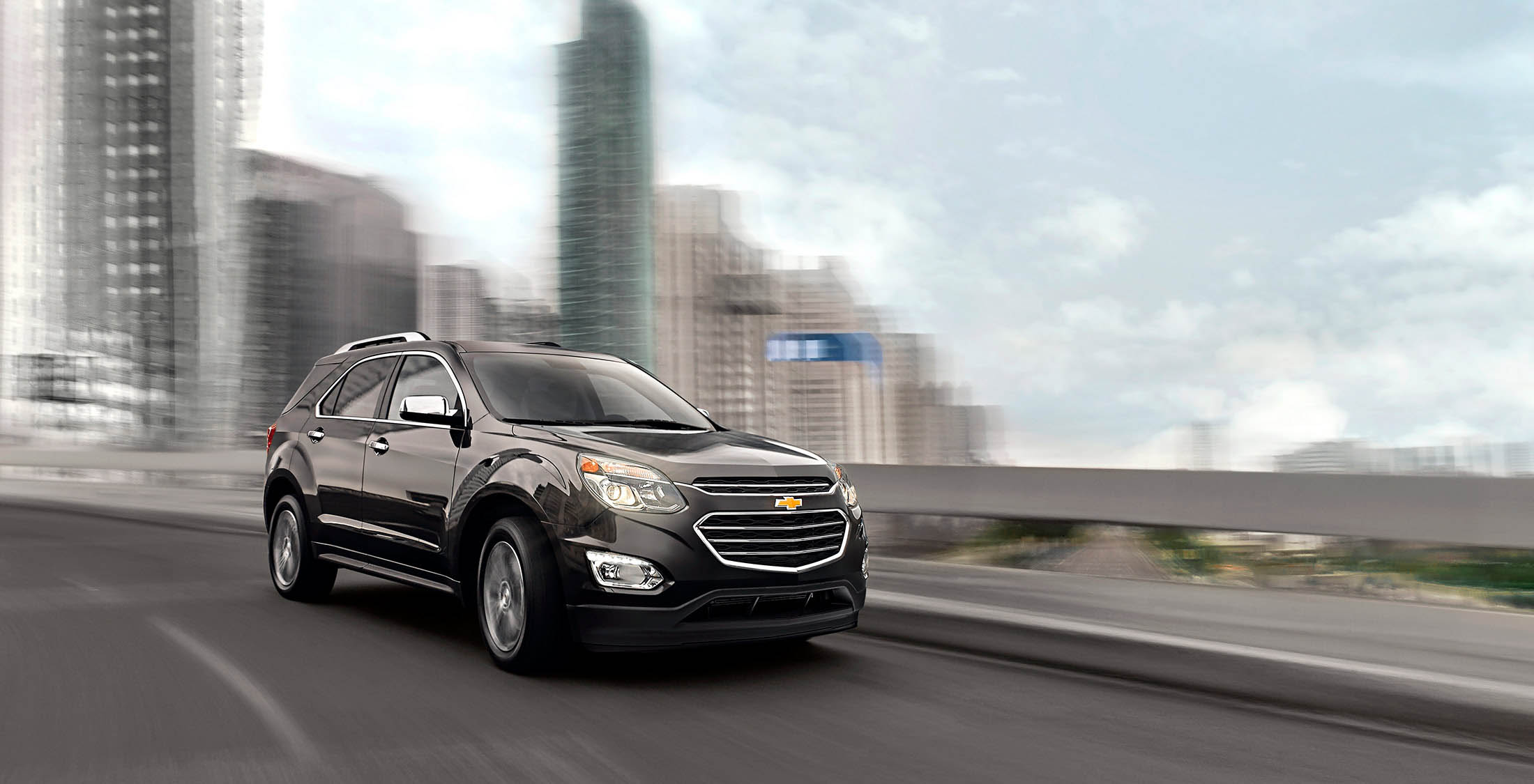 With an OnStar Guidance Plan, rear-vision camera and Sirius XM radio, the Chevrolet Equinox is the type of SUV you could camp out in — and it also makes for a fuel-efficient ride. The base model comes standard with front-wheel drive and a 2.4-liter four-cylinder engine.

What the reviews say: J.D. Power named the Equinox the “Most Dependable Compact SUV” in 2016. 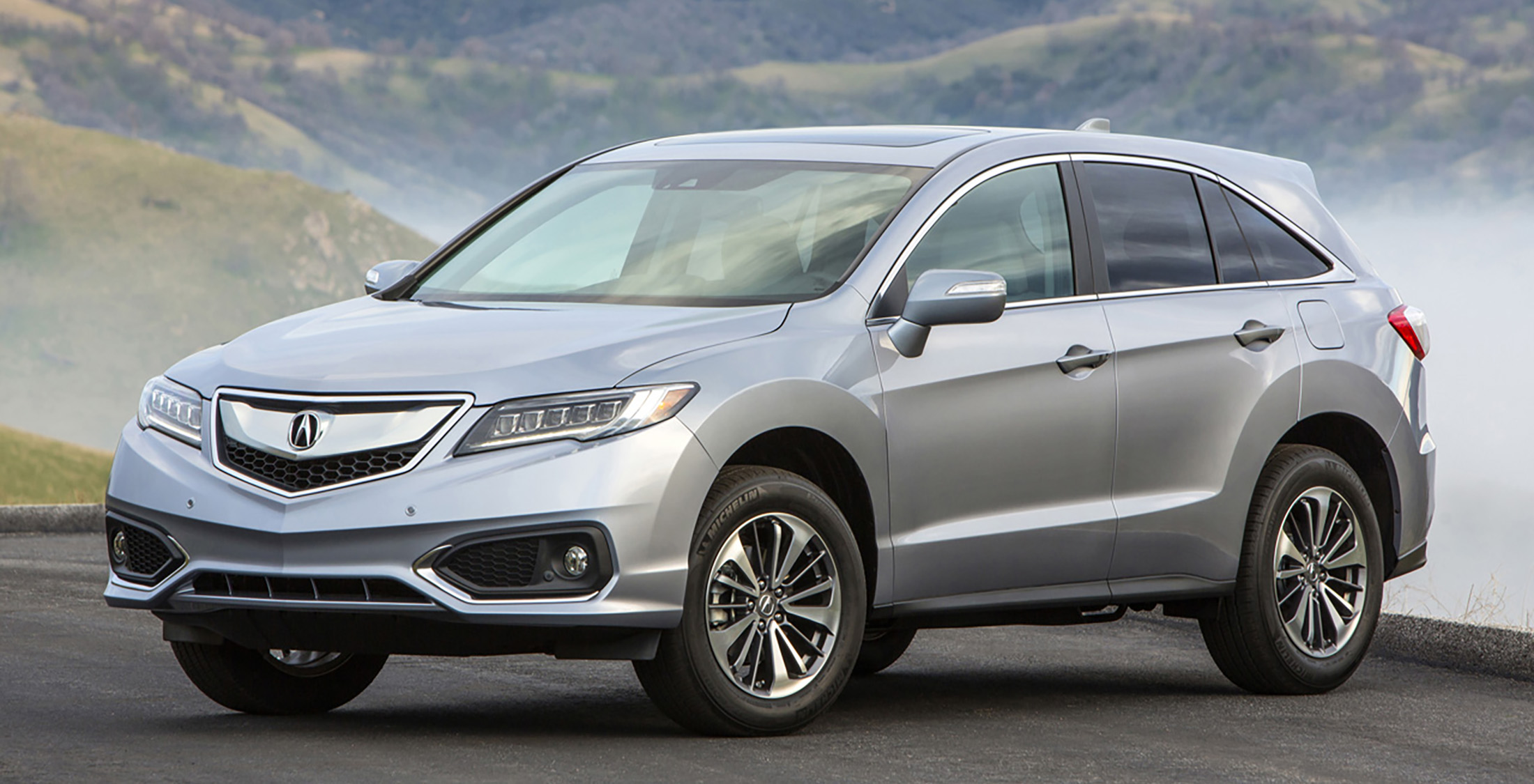 The sporty Acura RDX boasts a 279 horsepower V-6 engine and a variable cylinder management system for better fuel efficiency. The engine is lighter overall because of the all-aluminum construction, making it easy to power through no matter where the road takes you.

What the reviews say: Edmunds gave this small luxury SUV 4.3 stars out of five for its powerful, fuel-efficient engine and comfortable, roomy interior. 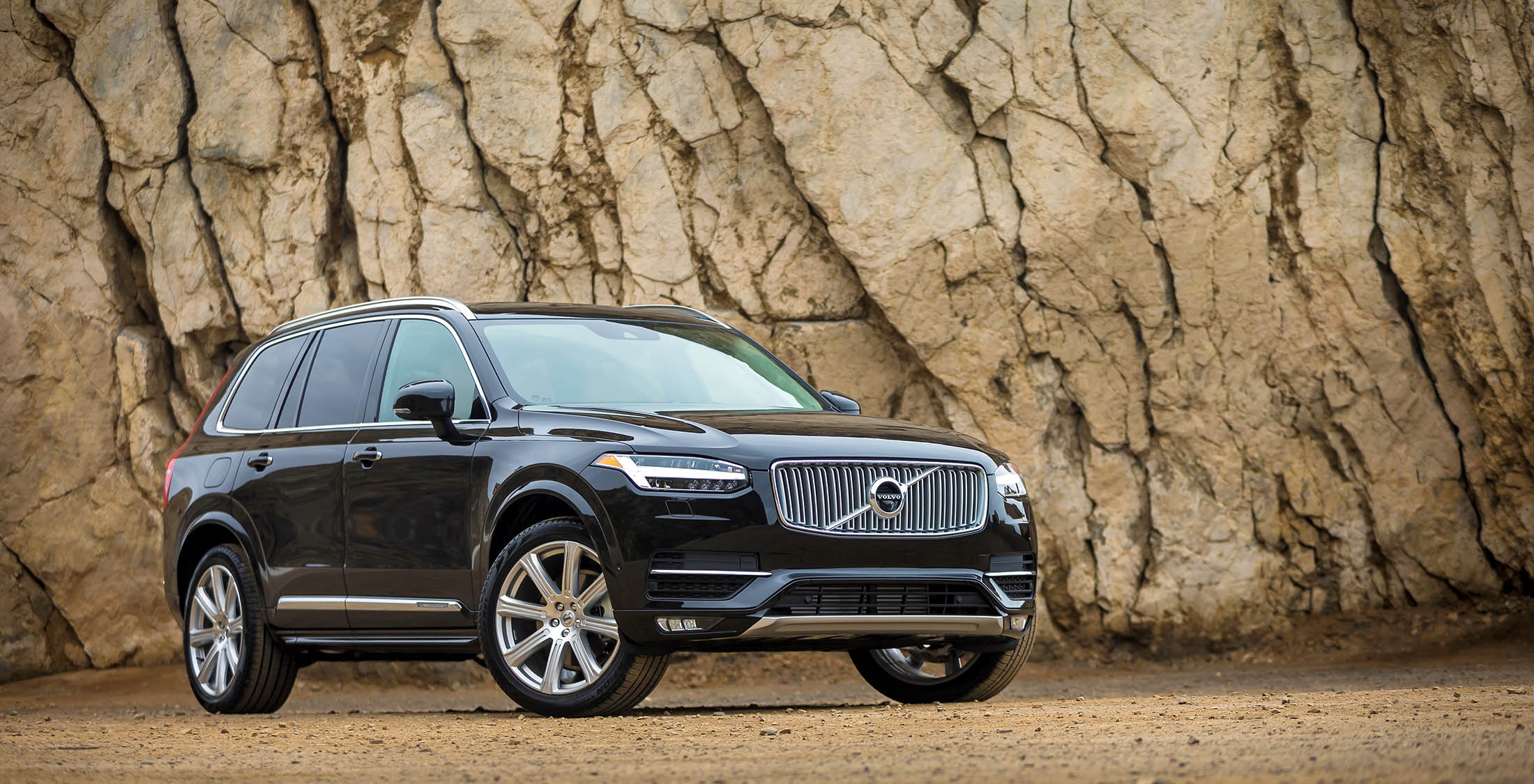 If you prefer a luxury SUV over sportier styling, take a look at the Volvo XC90 for a first-class driving experience. The four-cylinder, turbocharged engine makes it powerful while still offering great gas mileage. It also comes standard with stop/start technology.

What the reviews say: Car and Driver gave the Volvo XC90 four out of five stars and highlights its interior styling and technology. 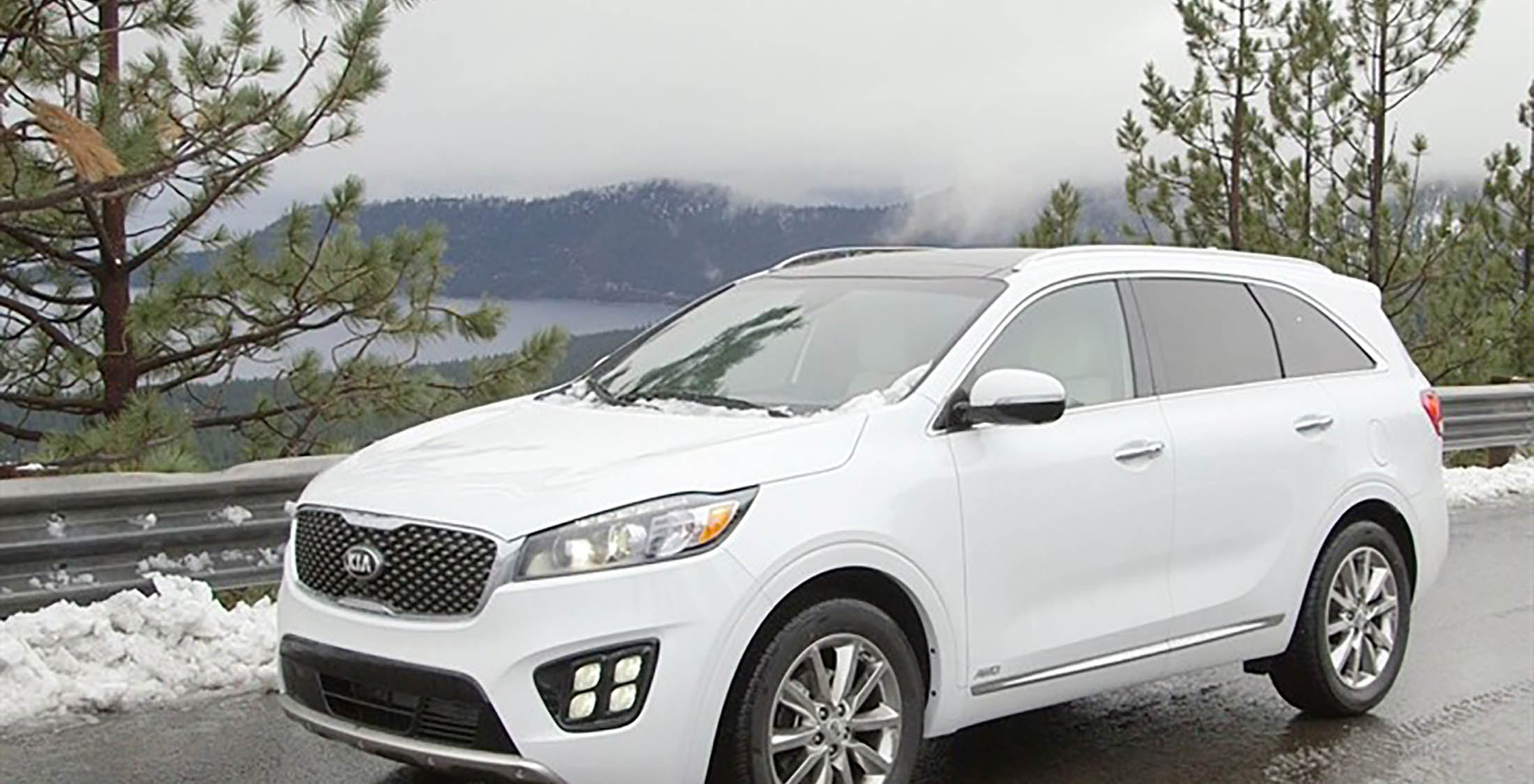 Promising to be the perfect getaway vehicle, you’ll get great gas mileage at 21 mpg in the city and 29 mpg on the highway. The gasoline direct injection and Sportmatic sports shifter make for a smooth and enjoyable ride.

What the reviews say: Edmunds reported the Kia Sorento is an appealing alternative to many five- and seven-passenger SUVs on the market. 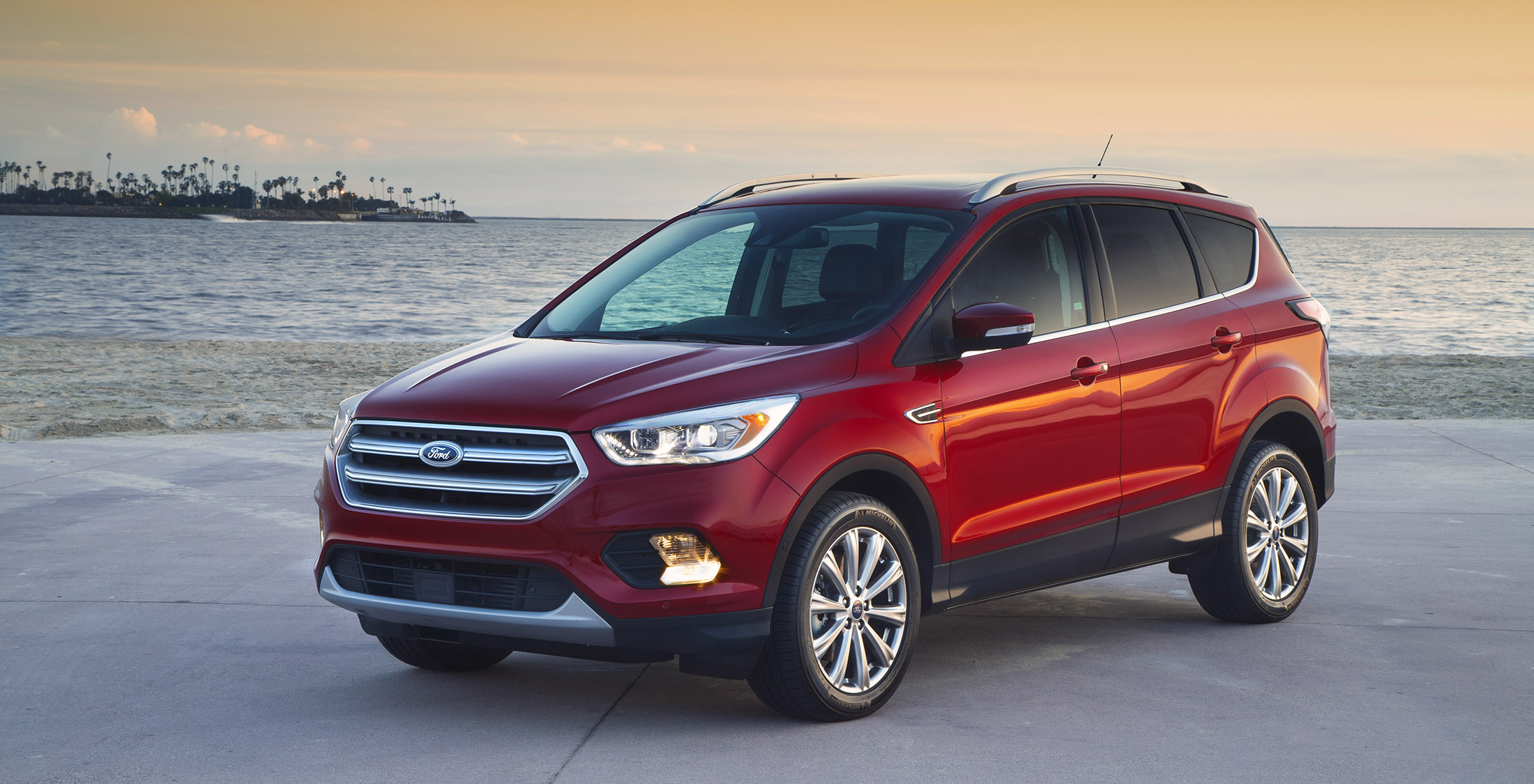 What the reviews say: Car and Driver ranked the Ford Escape No. 2 among compact crossovers and SUVs, describing it as a “refreshed version for 2017.” 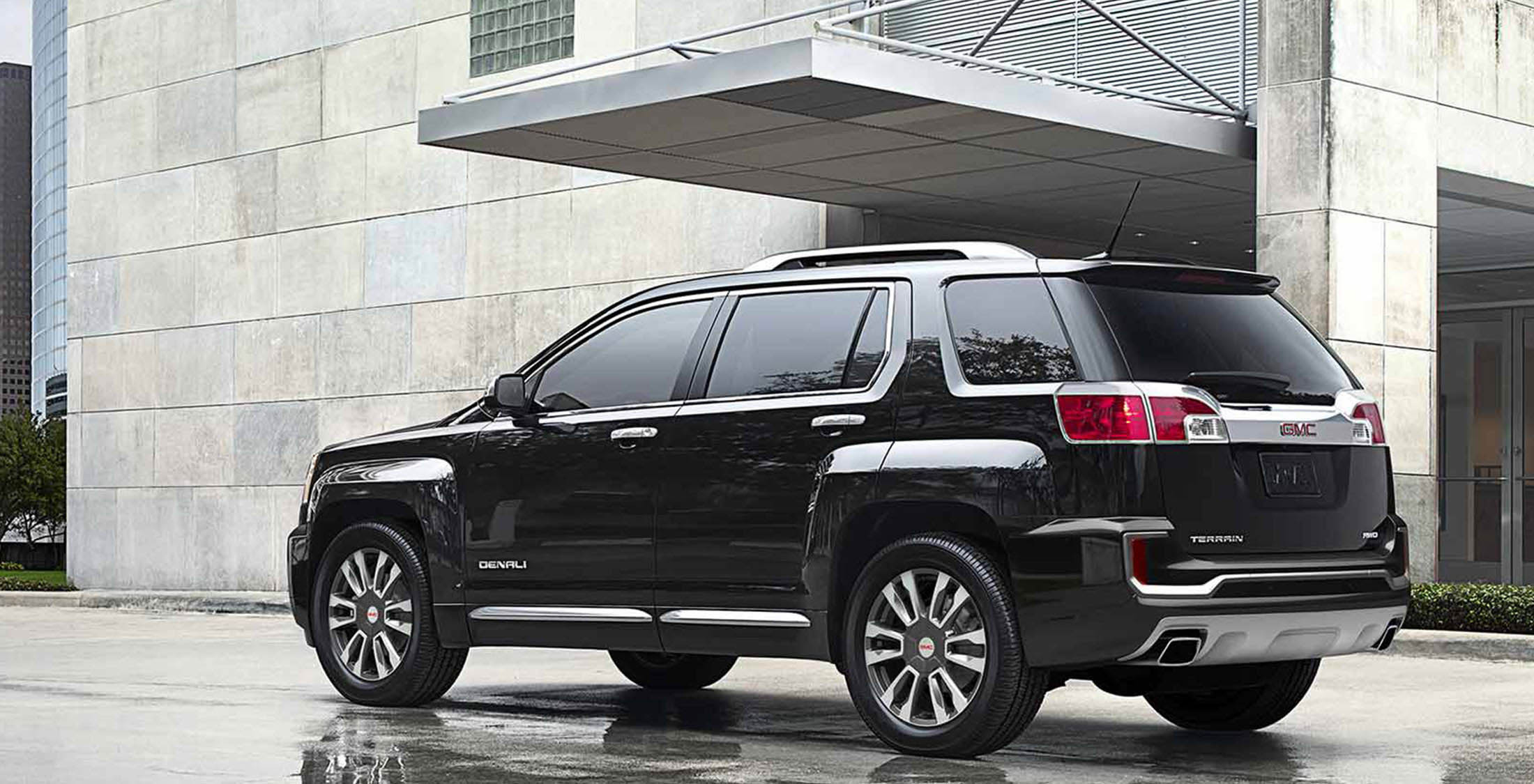 Another compact SUV to consider for your daily adventures, the stylish and efficient GMC Terrain boasts features like daytime running lamps, rear-vision camera and Stabilitrak with traction control to help make your drives a little safer.

What the reviews say: Kelley Blue Book gave the GMC Terrain high marks for fuel economy and horsepower. It also noted that it has “sedan-like handling” but is not designed for serious off-roading. 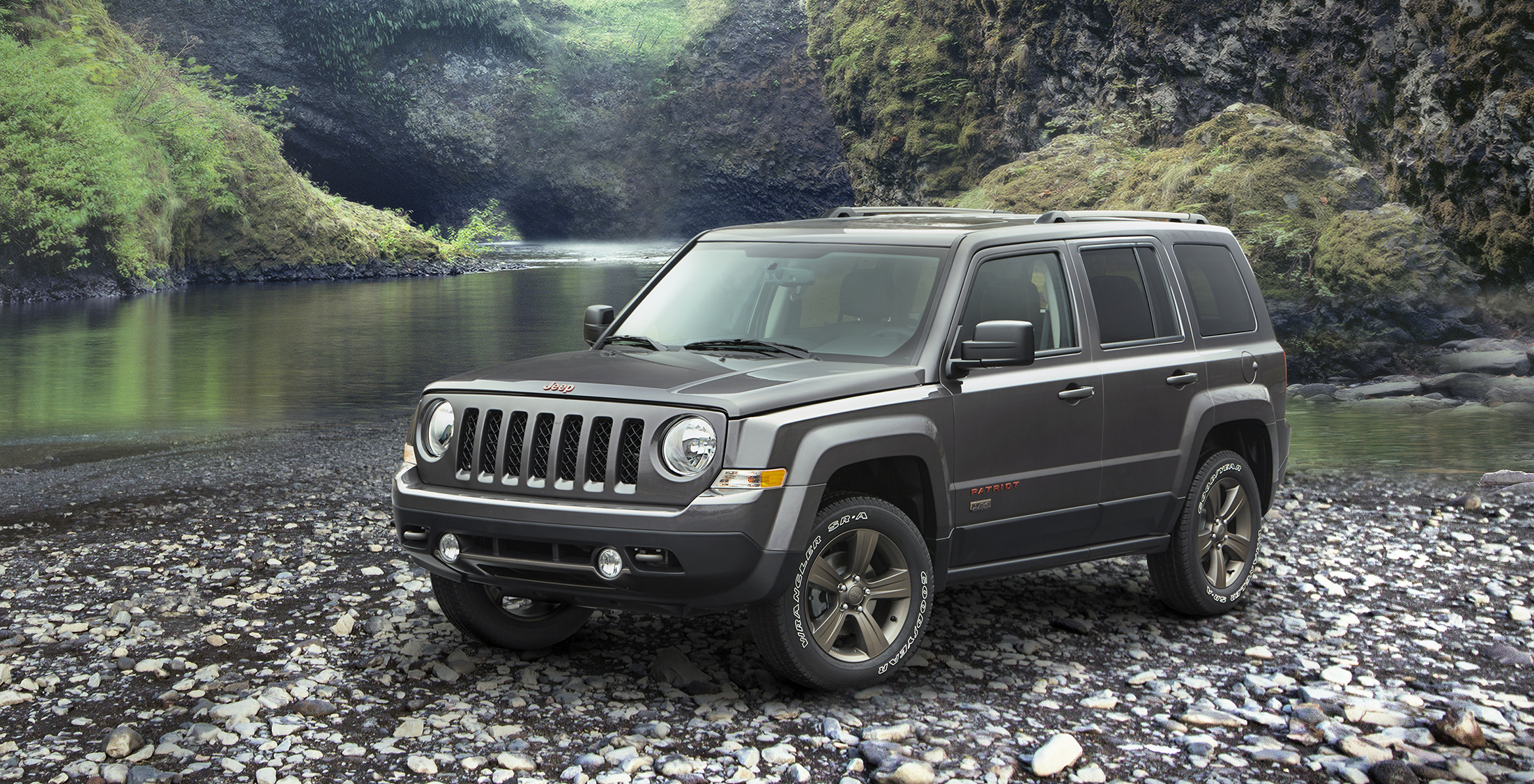 The Jeep Patriot Sport base model is the least expensive SUV on this list, and offers good fuel efficiency and electronic stability control. It also has generous cargo space and comes equipped with Uconnect voice command with Bluetooth.

What the reviews say: Edmunds reported the Jeep Patriot is one of the few SUVs with manual transmission, and is relatively affordable compared to other SUVs. 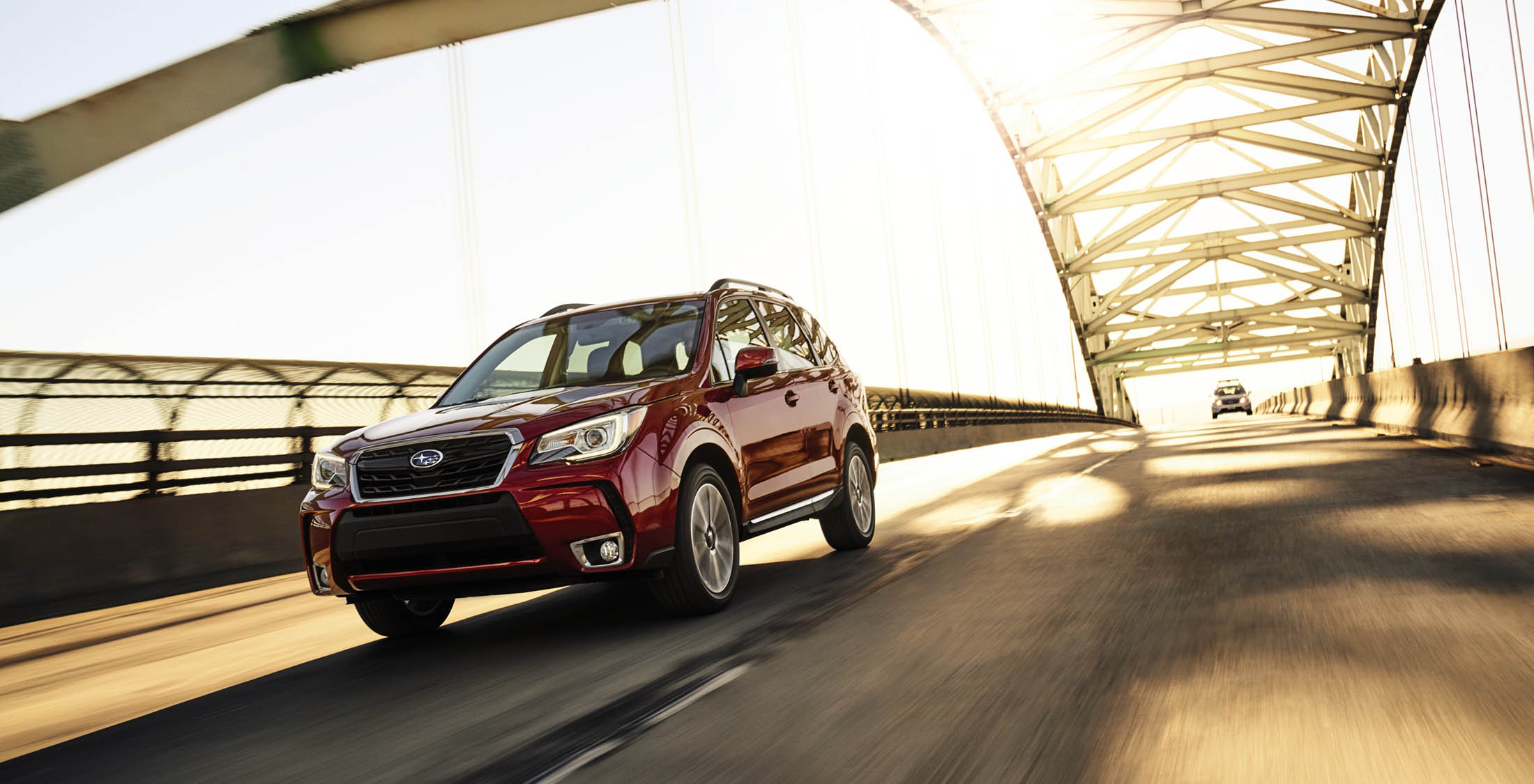 The newest model of the Subaru Forester is designed with a 2.5-liter SUBARU BOXER four-cylinder engine and all-wheel drive. The base model comes standard with manual transmission, which starts at $22,595, but you’ll get slightly better gas mileage with the optional automatic continuously variable transmission (CVT), which adds $1,000 to the MSRP.

What the reviews say: The Car Connection rated the Subaru Forester 8.4 out of 10, highlighting its safety features and comfort. 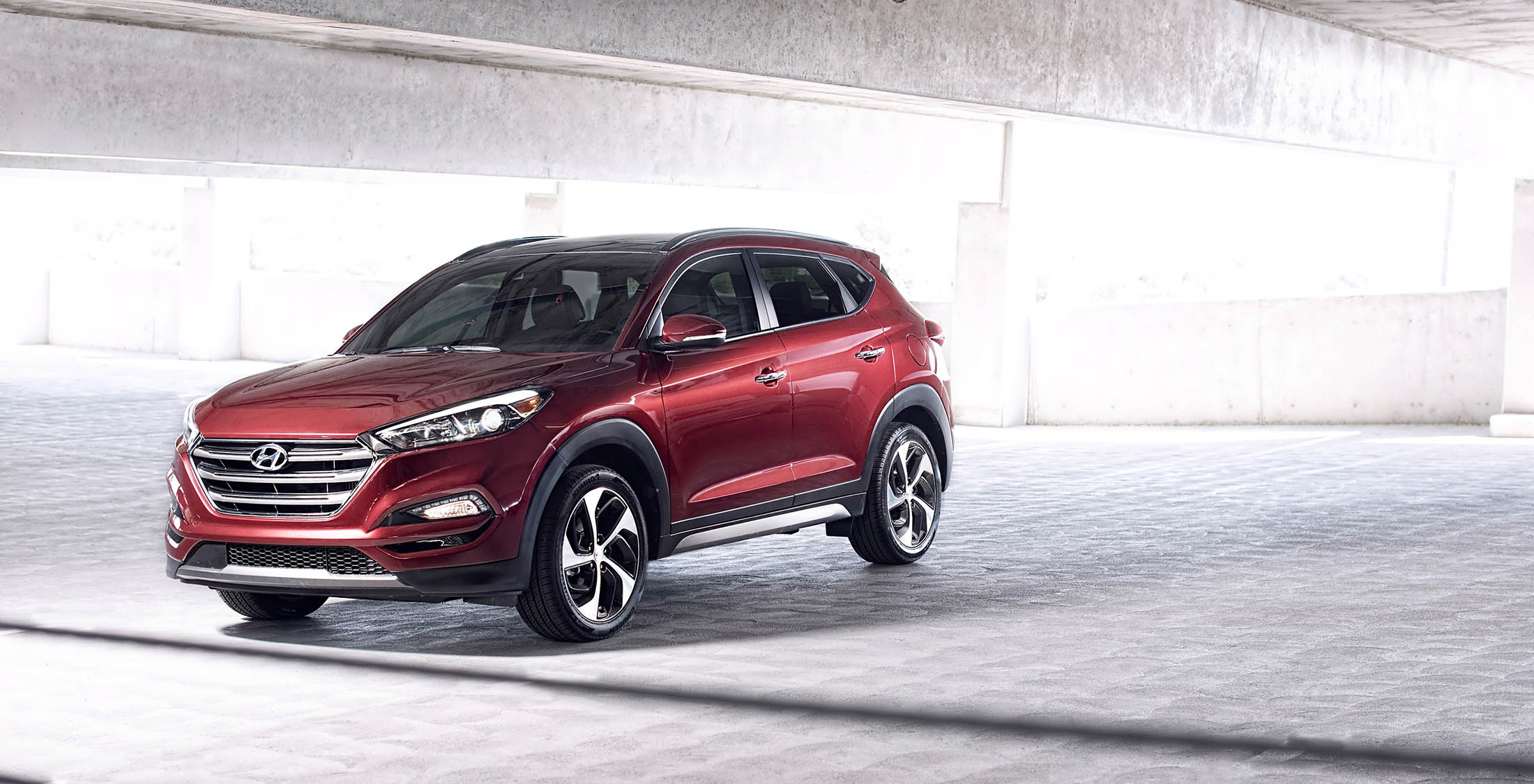 It might be compact, but this five-seater, front-wheel drive offers plenty of room. It also has amenities, including solar glass, body color mirrors and steering-wheel-mounted audio, Bluetooth and cruise controls.

What the reviews say: The 2016 Tucson was also named one of Best Compact SUVs by U.S. News & World Report with a starting MSRP under $23,000. 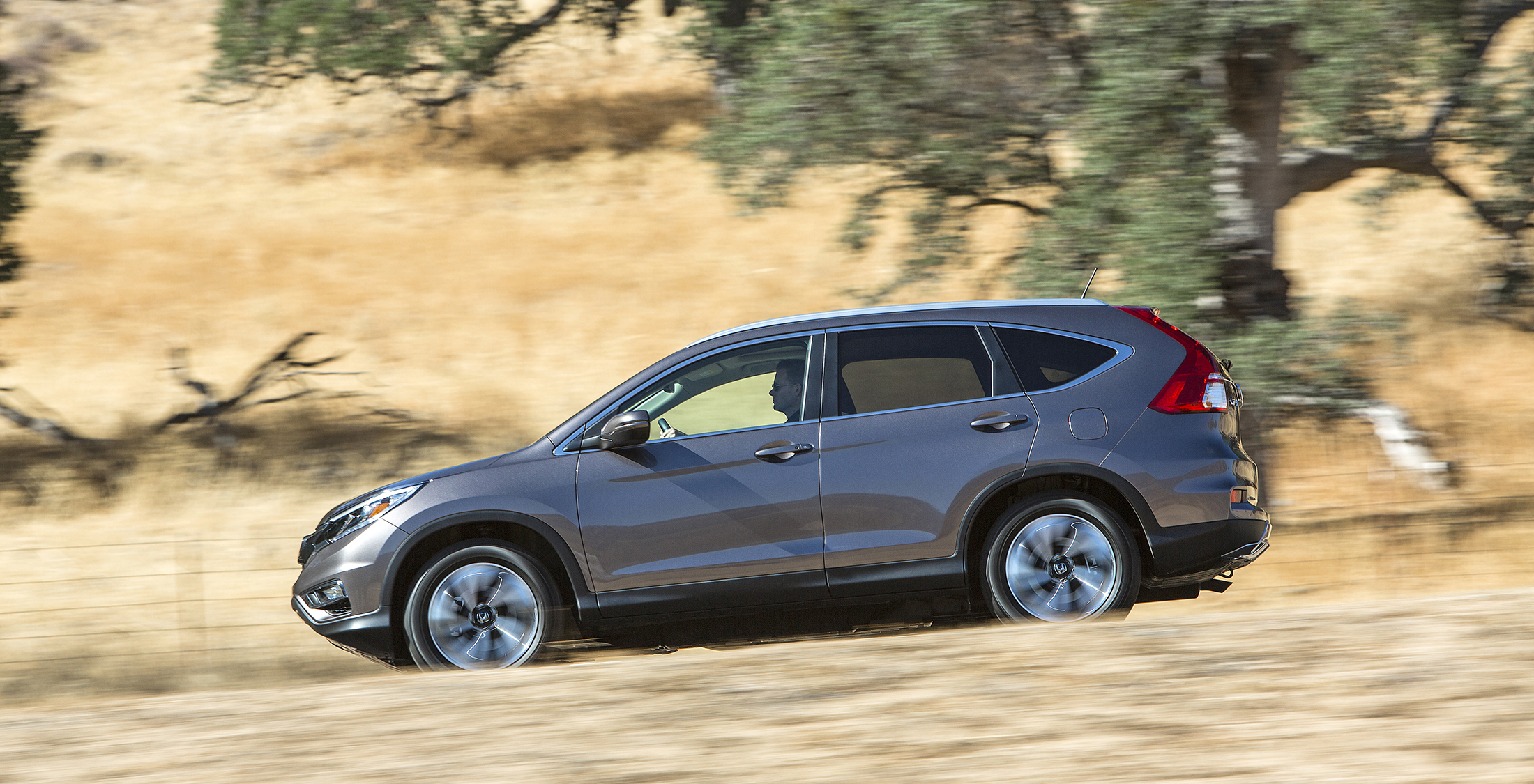 The Honda CR-V comes with a 185-horsepower, four-cylinder engine, plus an Eco Assist and ECON button to help you maximize your fuel efficiency. It also offers a multi-angle rearview camera, Pandora compatibility and an SMS text message function.

What the reviews say: Kelley Blue Book named the Honda CR-V one of the 16 Best Family Cars of 2016, and gave it an expert rating of 9.7 out of 10, with high marks for driving, comfort and value. 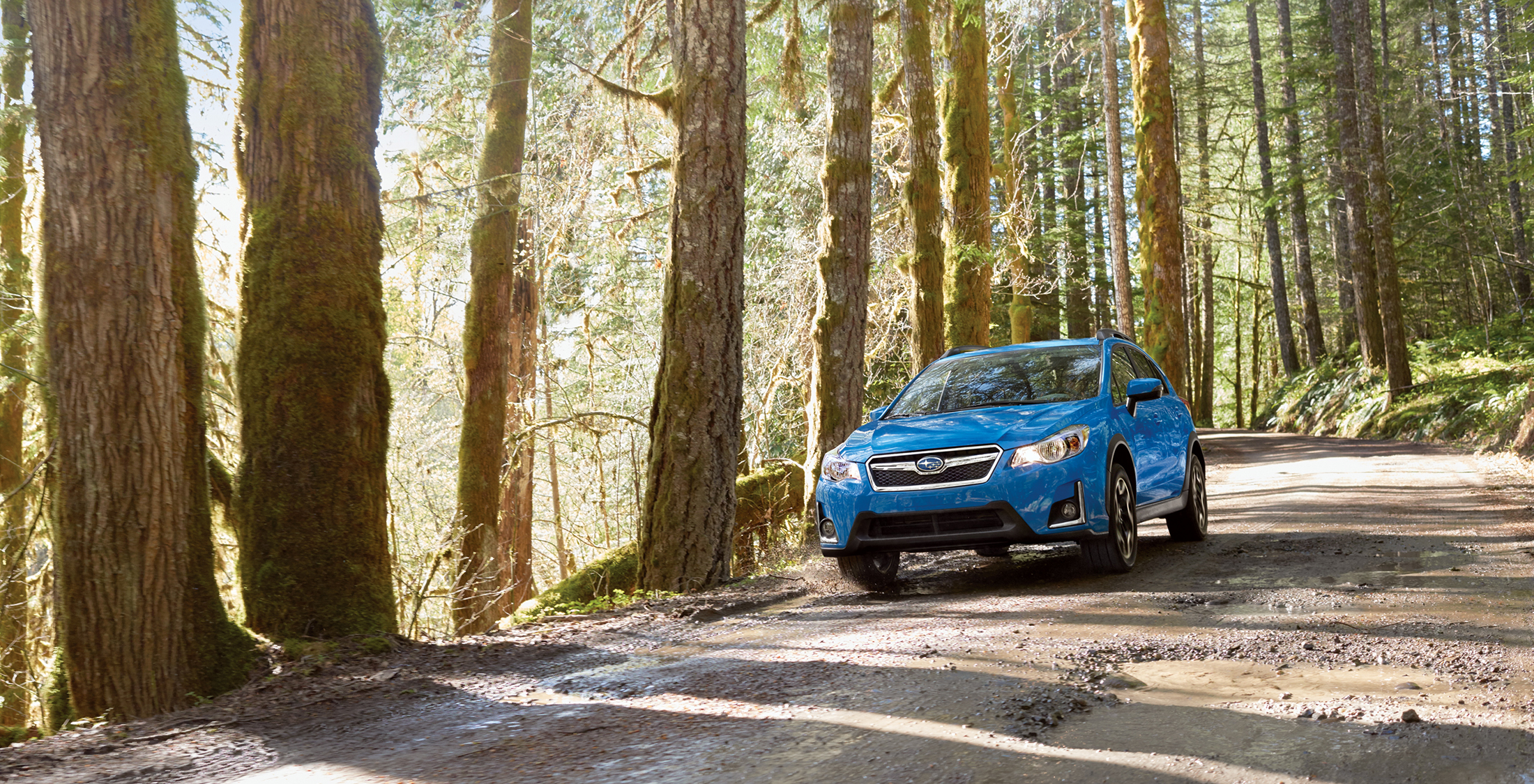 This luxury vehicle has plenty of good standard features, including Bluetooth hands-free technology and a rear-vision camera. For the best mpg, you can get the Subaru Crosstrek 2.0i Premium, with the LINEARTRONIC CVT. You can get the manual transmission 2.0i for $21,595 but you’ll get slightly lower mpg, at 31 highway and 23 city.

What the reviews say: Kelley Blue Book gave the Subaru Crosstrek 4.5 out of five stars for roominess and good fuel economy, but says it’s lacking in performance and produces “tiresome” engine noise. 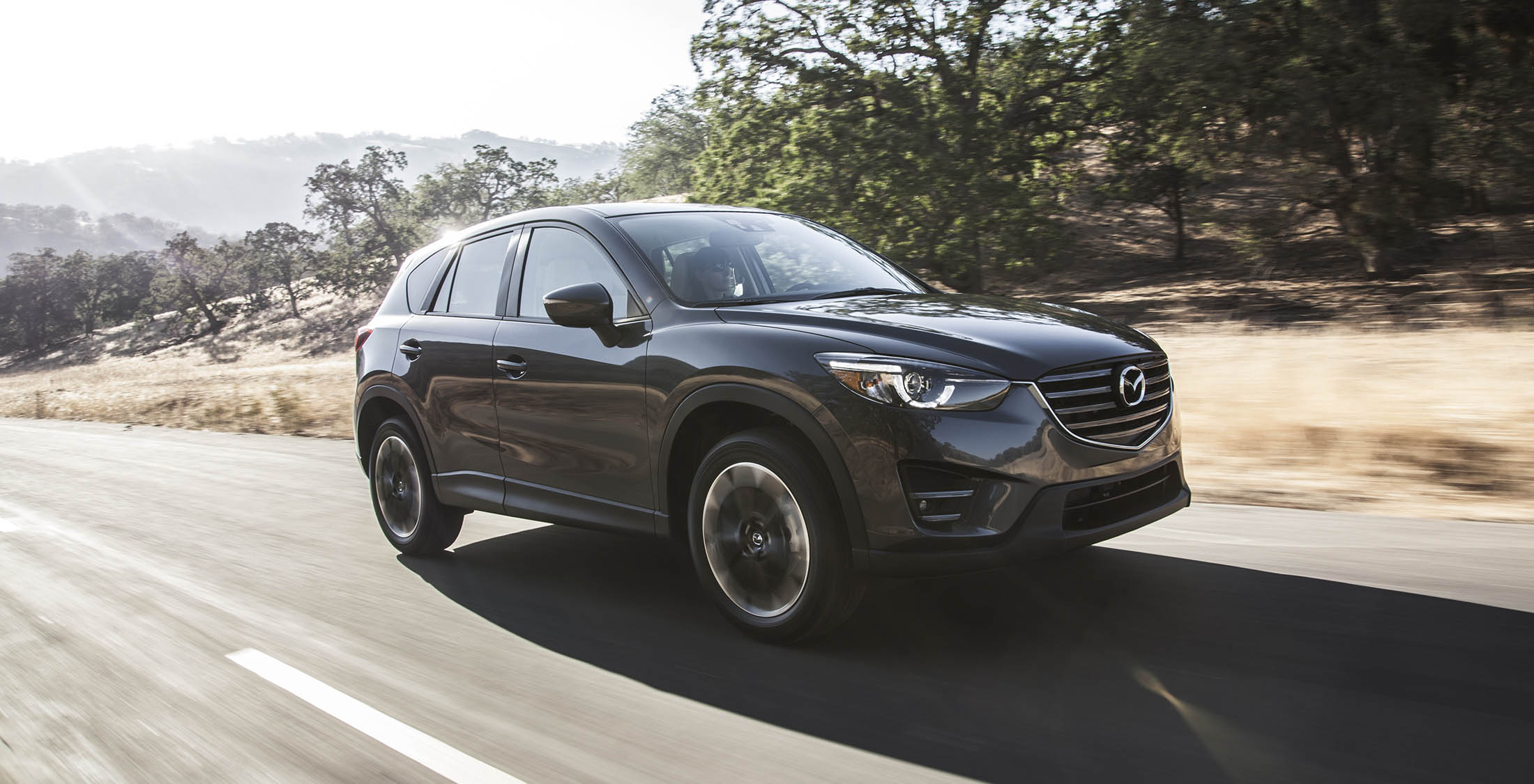 The 2016 Mazda CX-5 is among the most affordable fuel-efficient SUVs. The most fuel-efficient version comes with front-wheel drive and standard manual transmission. It also comes with Bluetooth hands-free phone and audio capability, push-button start and a multi-information display with trip computer.

What the reviews say: Car and Driver gave the Mazda CX-5 top ratings, applauding Mazda’s ability to blend “sports car know-how” into this model, and saying that it’s a great all-round vehicle.

Methodology: GOBankingRates sourced the list of cars specified as SUVs from Kelley Blue Book’s “Most Popular SUVs of 2016” list and Edmunds.com’s “2016 SUV Buying Guide” and “The 8 Most Popular SUVs on Edmunds.com” lists, and ranked the cars by combined gas mileage, which was sourced from FuelEconomy.gov and/or car manufacturers’ websites. MPGs and MSRPs are representative of base models, unless otherwise noted. The listed cars are the most recently available models as of July 2016.

Photo Disclaimer: Please note photos are for illustrative purposes only and might not feature the cars’ specific trim levels.