The Most Lucrative Deals in Sports History 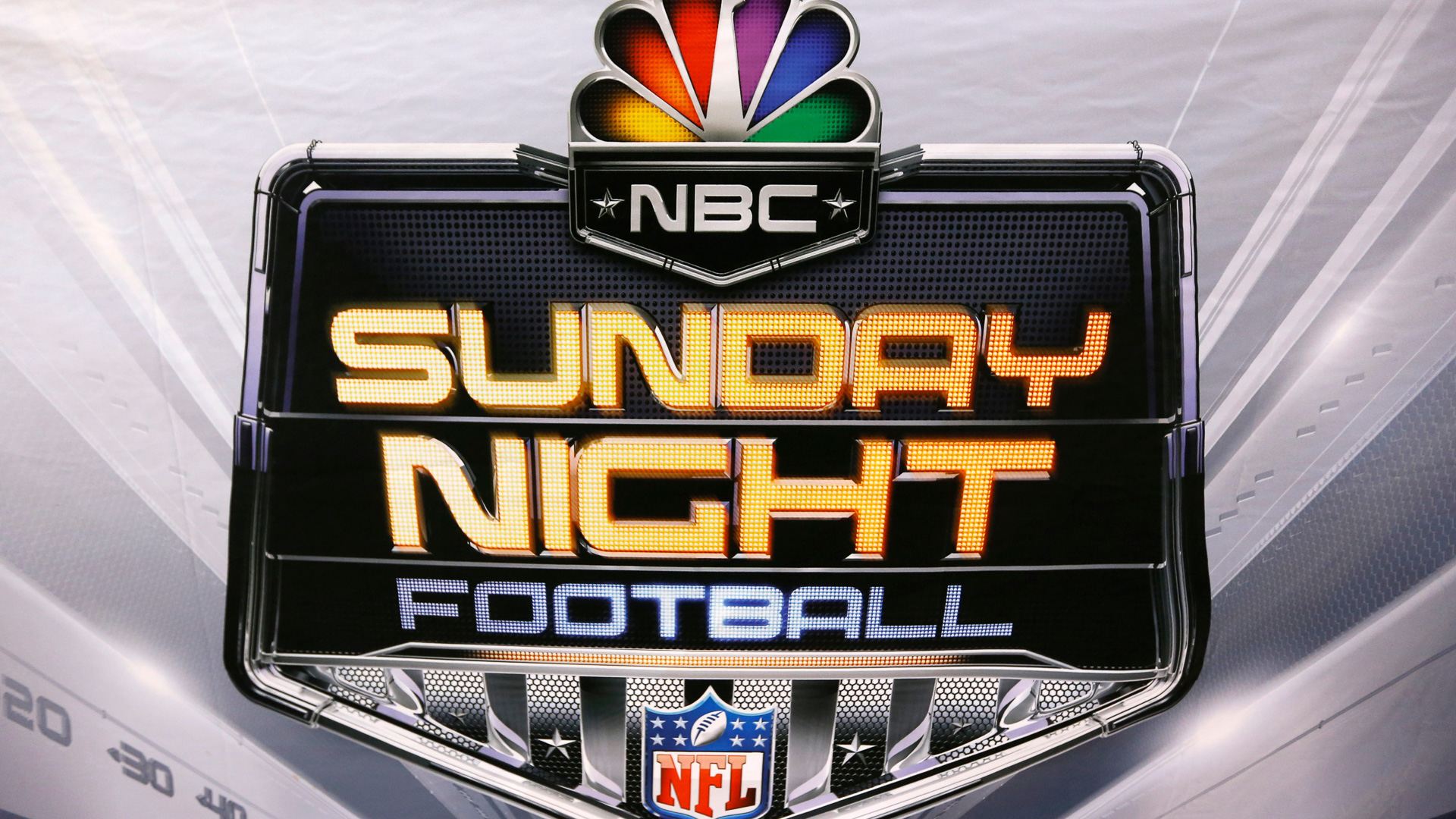 It’s no secret that the world’s best professional athletes earn big bucks both on and off the field. But even the salaries earned by the wealthiest superstars in sports are dwarfed by the contracts associated with broadcasting the games they play, sponsoring the apparel they wear and naming the stadiums in which they compete. Here’s a look at the big money behind the largest sports sponsorship deals in the world. 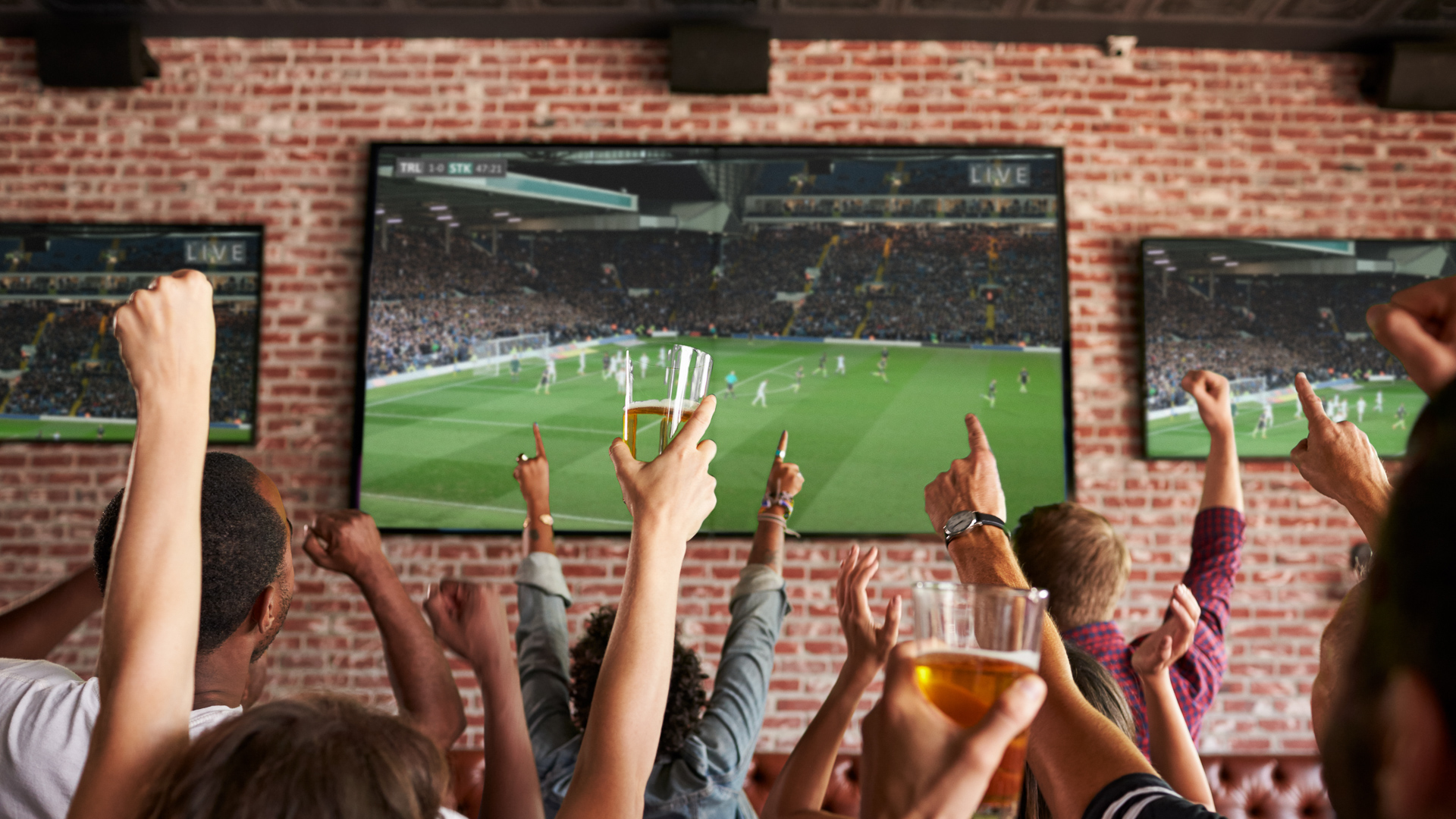 The 5 Most Expensive TV Rights Deals

Over the last 10 years, sports has become the last bastion of television broadcasting that most viewers can’t stream and won’t record to watch later. Since fans prefer to watch live and therefore can’t fast forward through commercials, sports TV rights is the diamond in the broadcasting rough — and both leagues and networks alike have taken notice. The result? The biggest and most well-heeled networks are paying record amounts to lock down broadcasting rights for years — or decades in some cases — becoming a part of history’s biggest contracts. 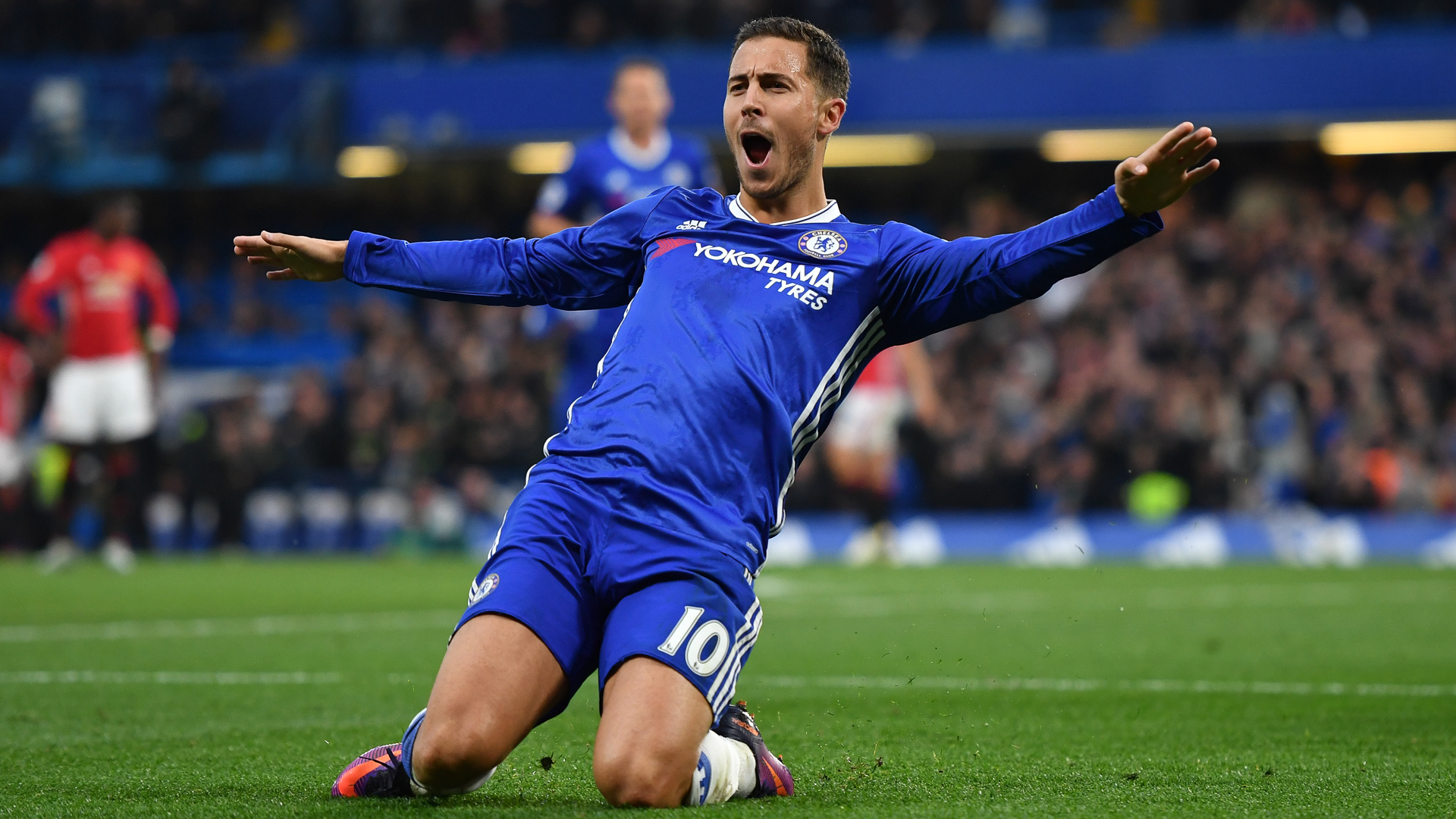 In a massive deal that provided a huge windfall for the Premier League, its teams and players, Great Britain television networks Sky and BT agreed to shell out 10 million pounds ($13.25 million) per game to air on their networks what Americans call soccer. The deal, which represented a 71 percent increase over the previous contract, gave the league and its clubs vast cash reserves to spend on their players without raising the cost of tickets. The loser? Local pubs that shell out tens of thousands of pounds per year for subscriptions to these networks in an effort to lure thirsty football fans. 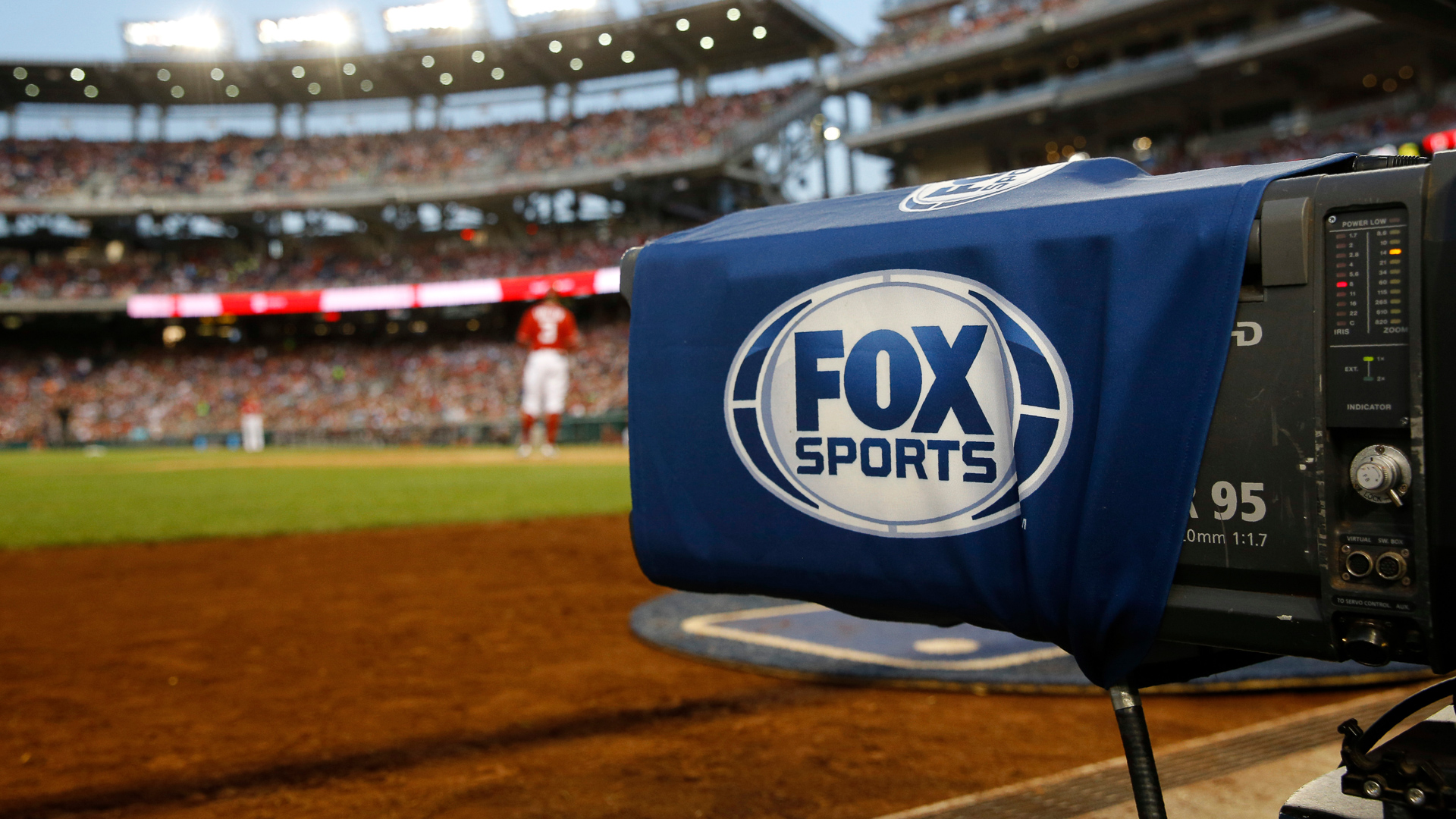 When the MLB negotiated new contracts with ESPN, TBS and Fox for broadcasting rights through 2021, the collective deal represented a more than 100 percent increase over the arrangements that existed prior to 2014. Fox will pay a total of roughly $4 billion under the new terms. Turner is slated to pay $2.8 billion over the life of the contract, and ESPN is spending $5.6 billion. The deal divided among the networks the most lucrative events, such as league championship series, division series and wildcard games. Some of those revenues have trickled down to players — see the highest-paid stars of the league. 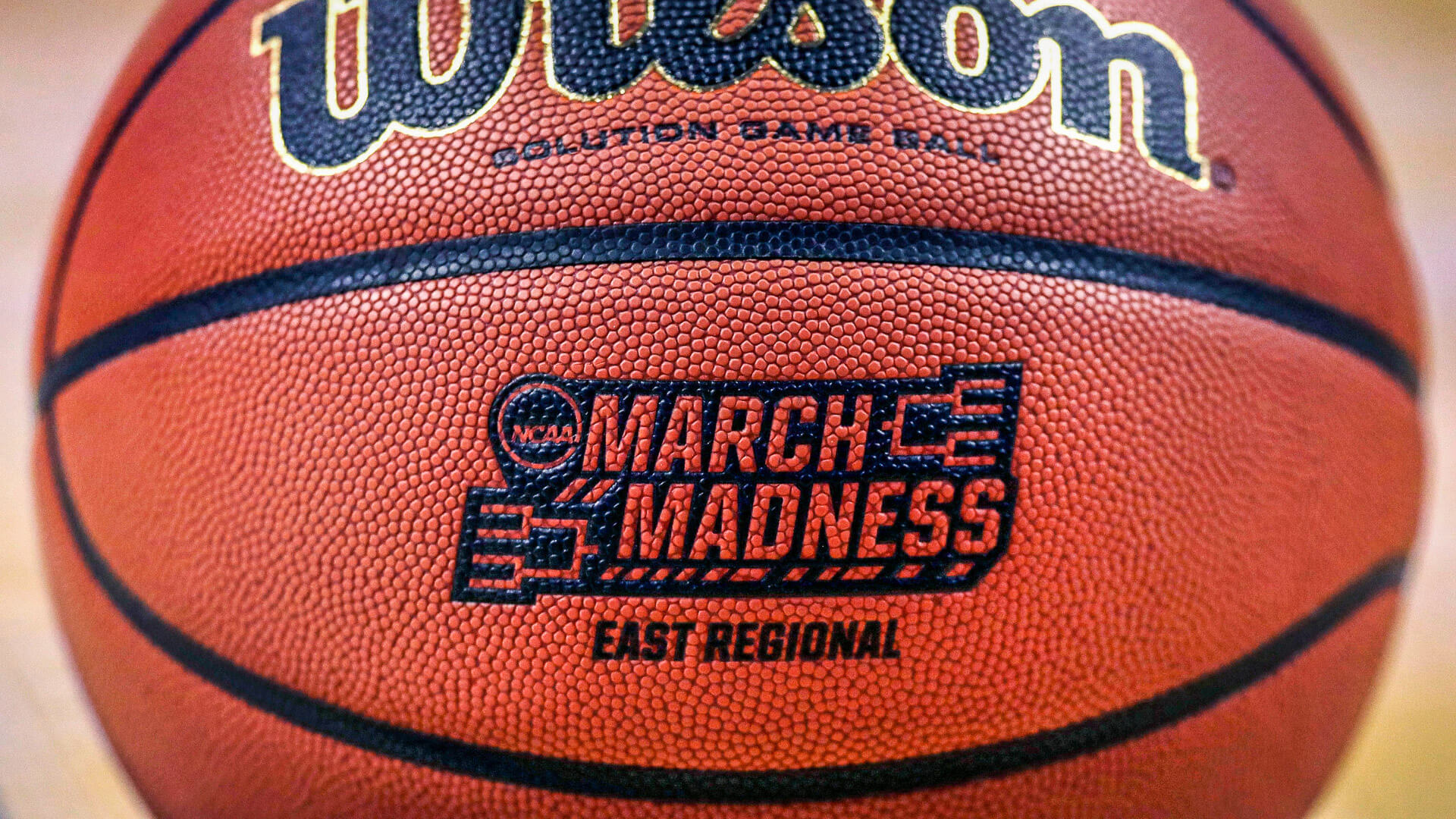 In 2010, the NCAA inked a 14-year deal worth $10.8 billion for CBS and Turner Sports to air the wildly popular March Madness basketball tournament. As everyone knows, there’s lots of money behind March Madness. Before the deal was even halfway up, the networks signed an eight-year, $8.8 billion extension that runs through 2032, for a total of 22 years and $19.6 billion. Since the games are played by unpaid college athletes, the NCAA doesn’t have to worry about splurging on those pesky salaries, although the league promises the lion’s share of the money benefits student athletes indirectly. 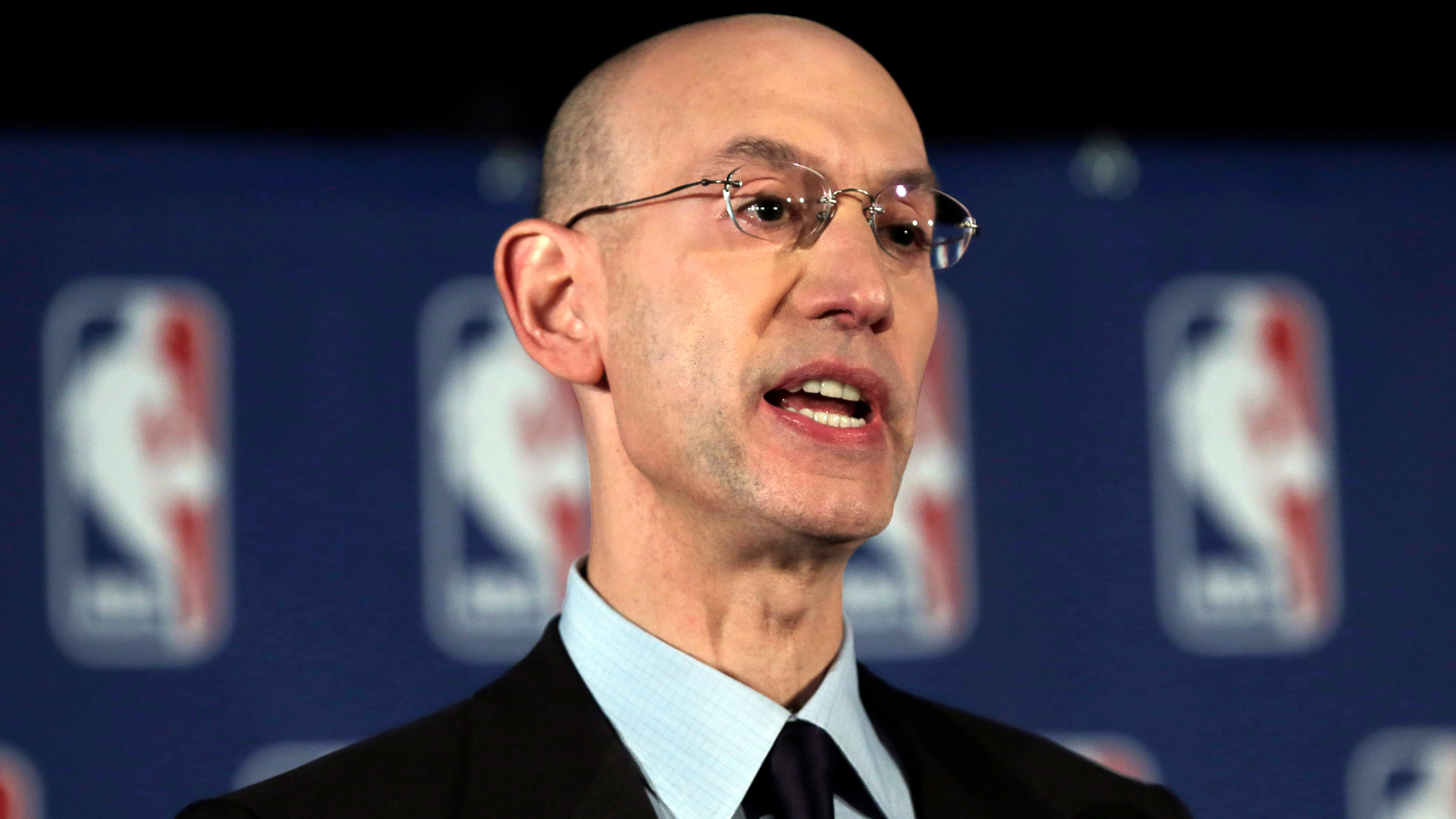 In 2016, the NBA extended for nine years the broadcasting rights of TNT and ESPN, which have been airing NBA games since 1988 and 2002 respectively. The deal — worth $2.66 billion a year — did not include the league’s contract with ABC, which retained exclusive rights to air the NBA Finals. Under the new deal, ABC and ESPN split up to 44 postseason games. Athletes are seeing some of that money in their large contracts. 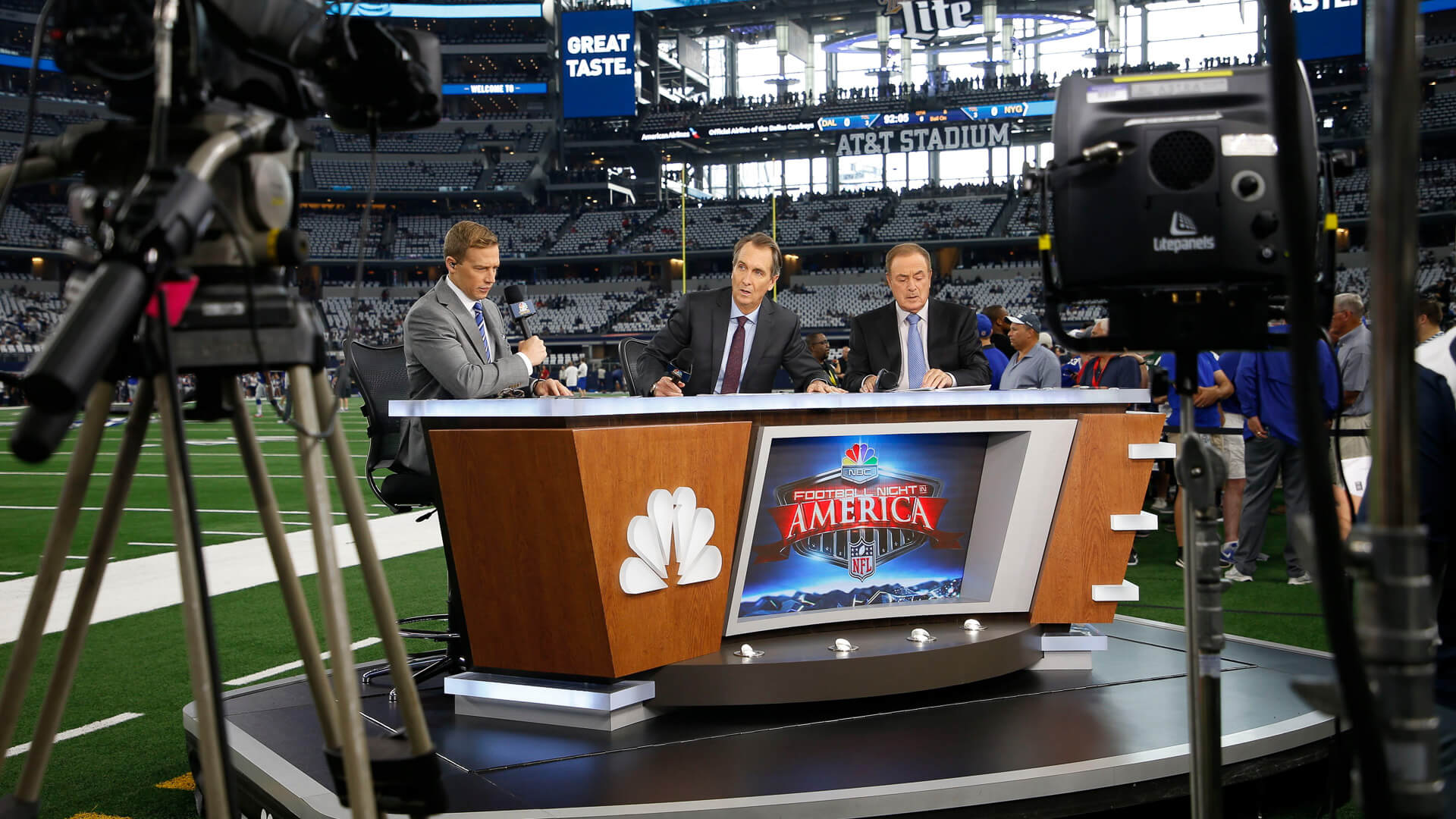 In 2011, the NFL announced a deal that extended broadcasting rights for nine years among all three networks that air NFL games. Fox, NBC and CBS, however, would have to pay 60 percent more for the privilege than they had been paying prior to 2013 when the previous contract expired. Each network got three Super Bowls out of the deal, and each NFL team got an equal share of $7 billion in media money. 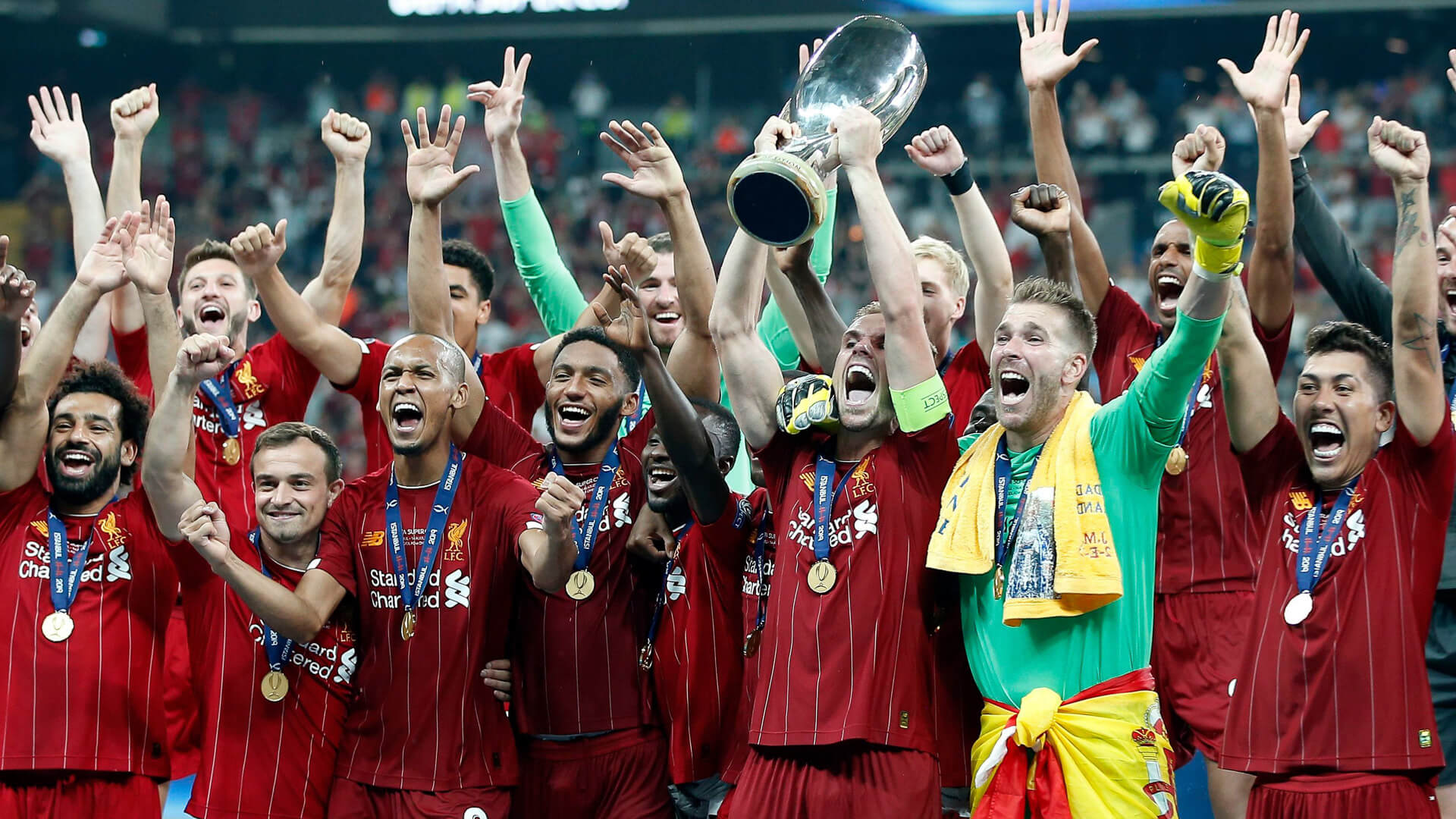 The 5 Most Expensive Team Sponsorship Deals

Unlike NASCAR, whose drivers and cars are essentially moving billboards, the “big four” American sports leagues have always rejected allowing sponsored ads on uniforms — until now. The NBA recently broke from the longstanding NHL, NFL and MLB tradition and agreed to sell ad space on jerseys during the 2017-2018 season. That leaves the NBA alone in the U.S. but in good company with the Premier League in England, where brands regularly spend millions on jersey sponsorships. 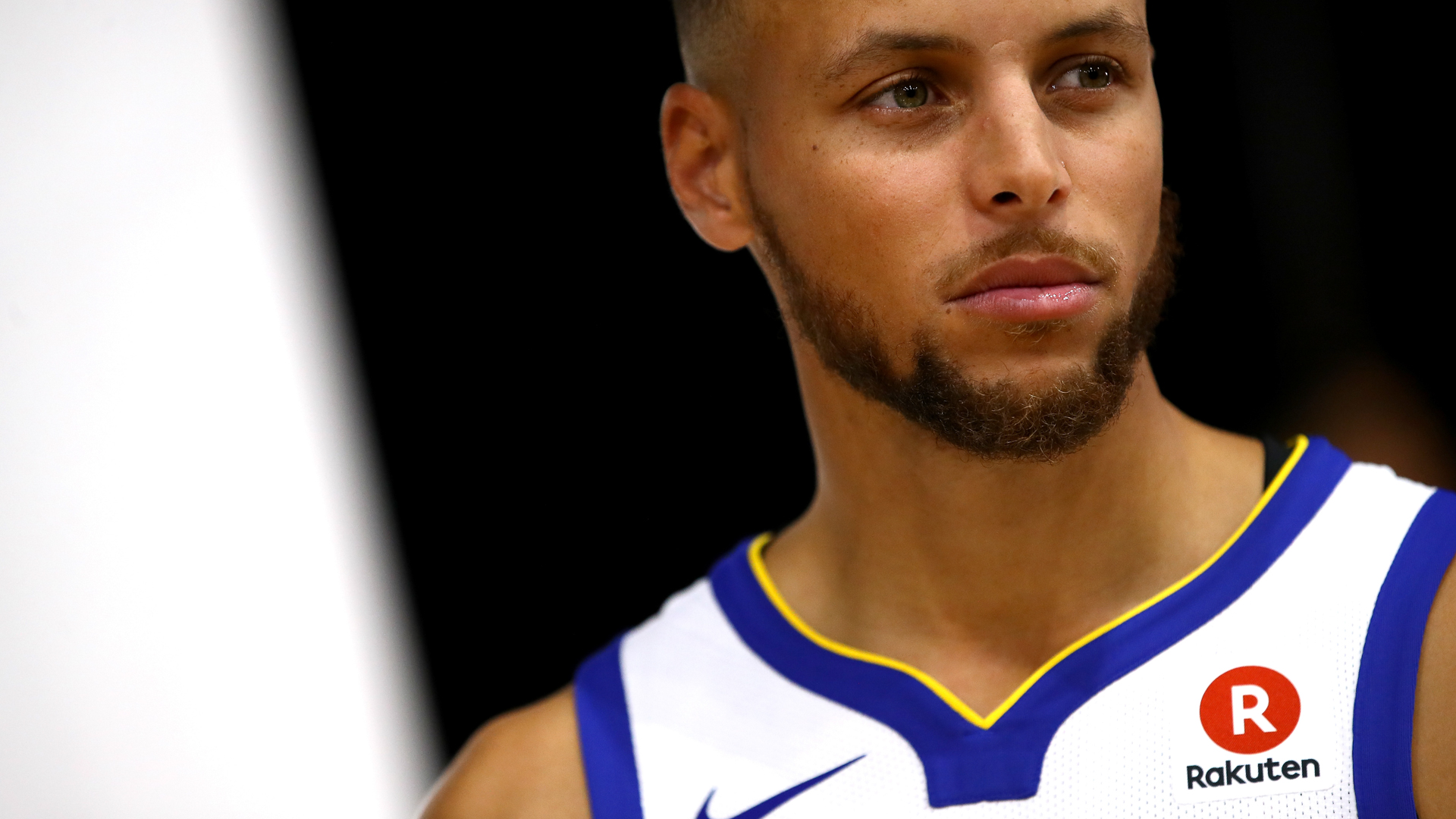 In September 2017, the Golden State Warriors announced a three-year contract with Japanese e-commerce company Rakuten. The deal was by far the biggest among the 14 NBA teams that entered into jersey sponsorship agreements. It’s nearly double the second-largest contract, between Goodyear and the Cleveland Cavaliers. 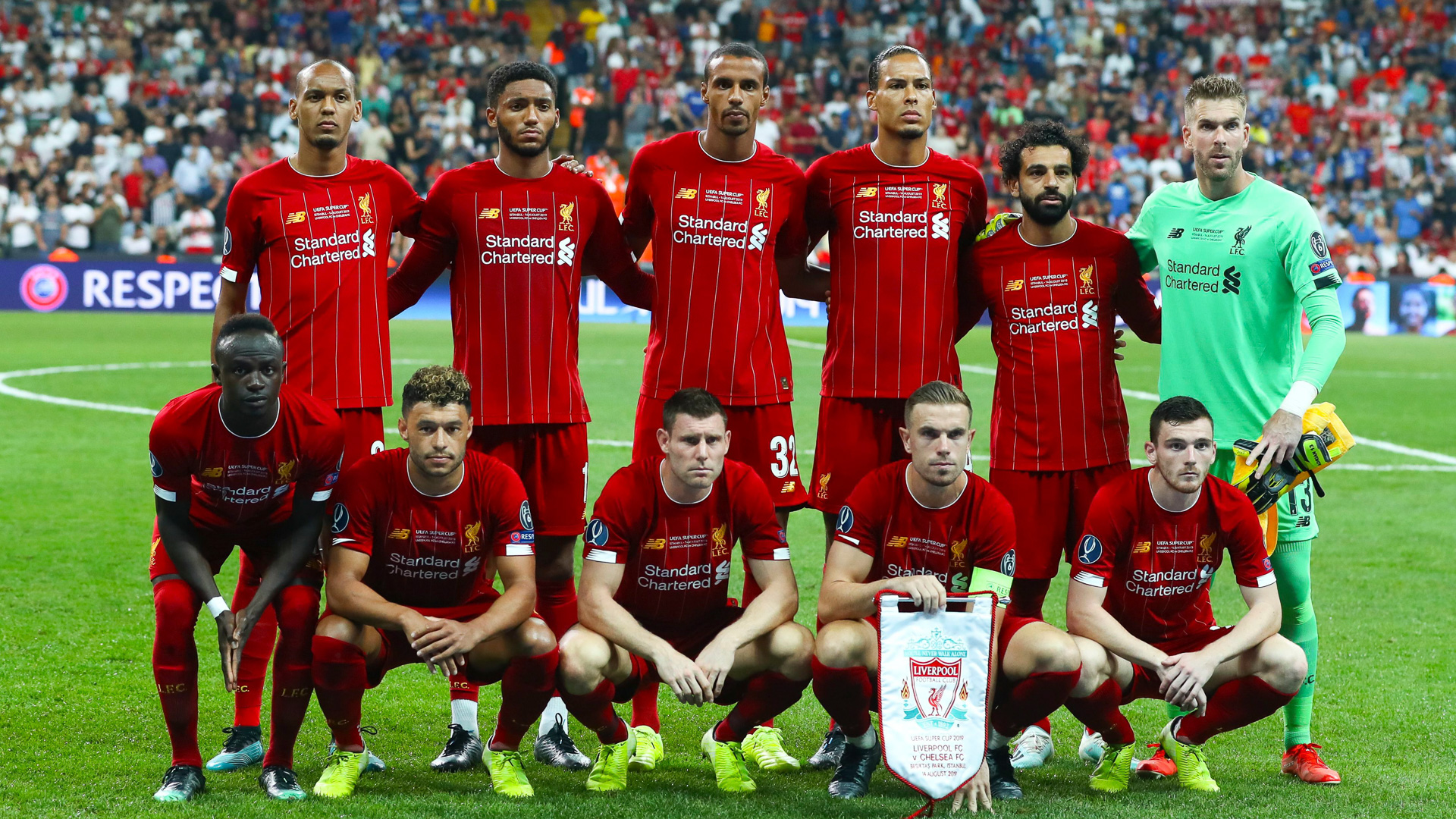 In 2015, football juggernaut Liverpool extended its deal with Standard Chartered to run through 2019. The deal is worth 30 million pounds ($39.7 million) a year for three years and represents a 50 percent increase over the previous deal the two organizations had, which paid Liverpool 20 million pounds a year. 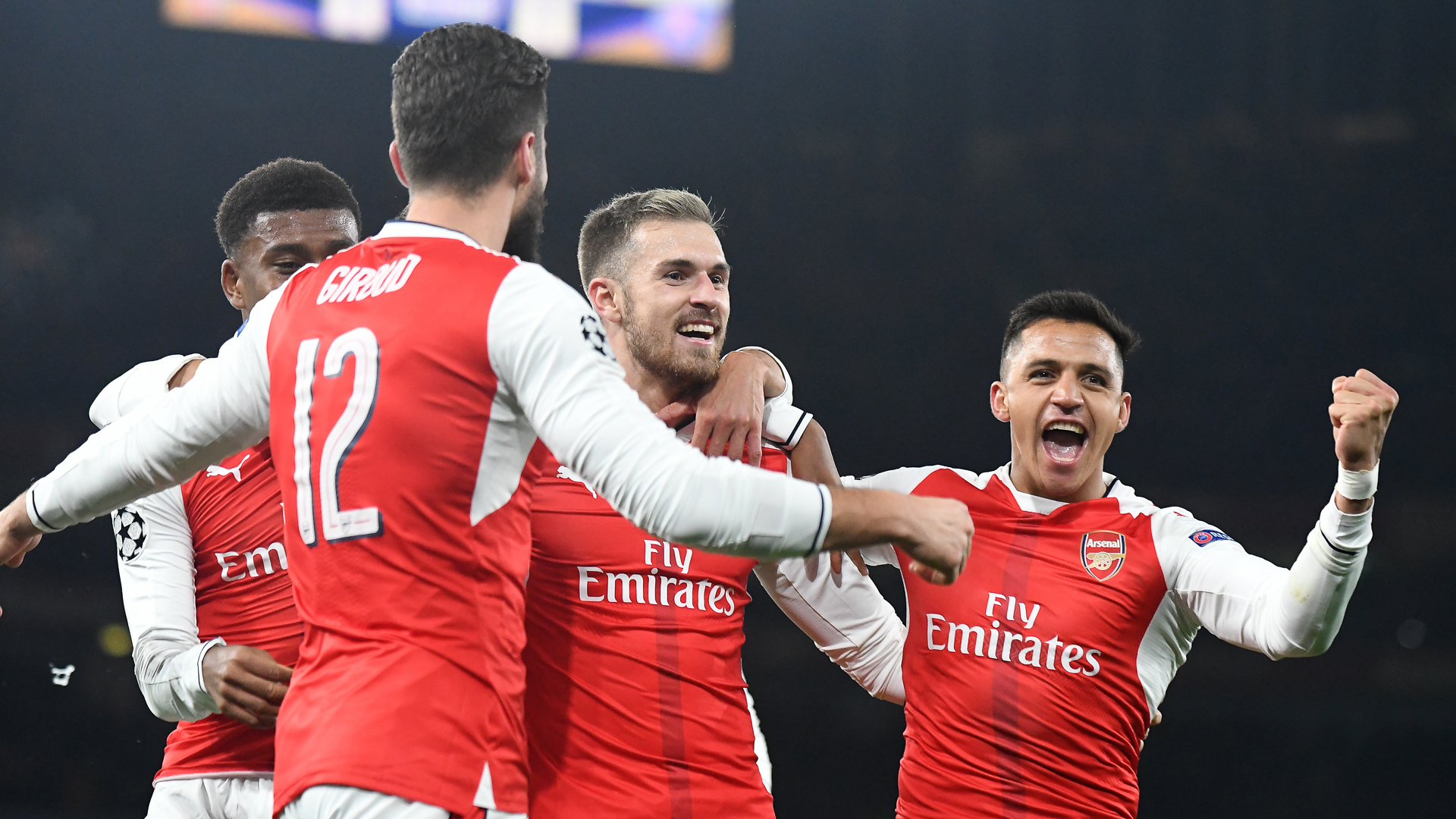 Emirates first deal with Arsenal more than a decade ago represented a record at the time. Today, rumors are swirling that Emirates will not renew its contract as it plans to exit football sponsorship in general, although the Arab airline has denied the rumor. 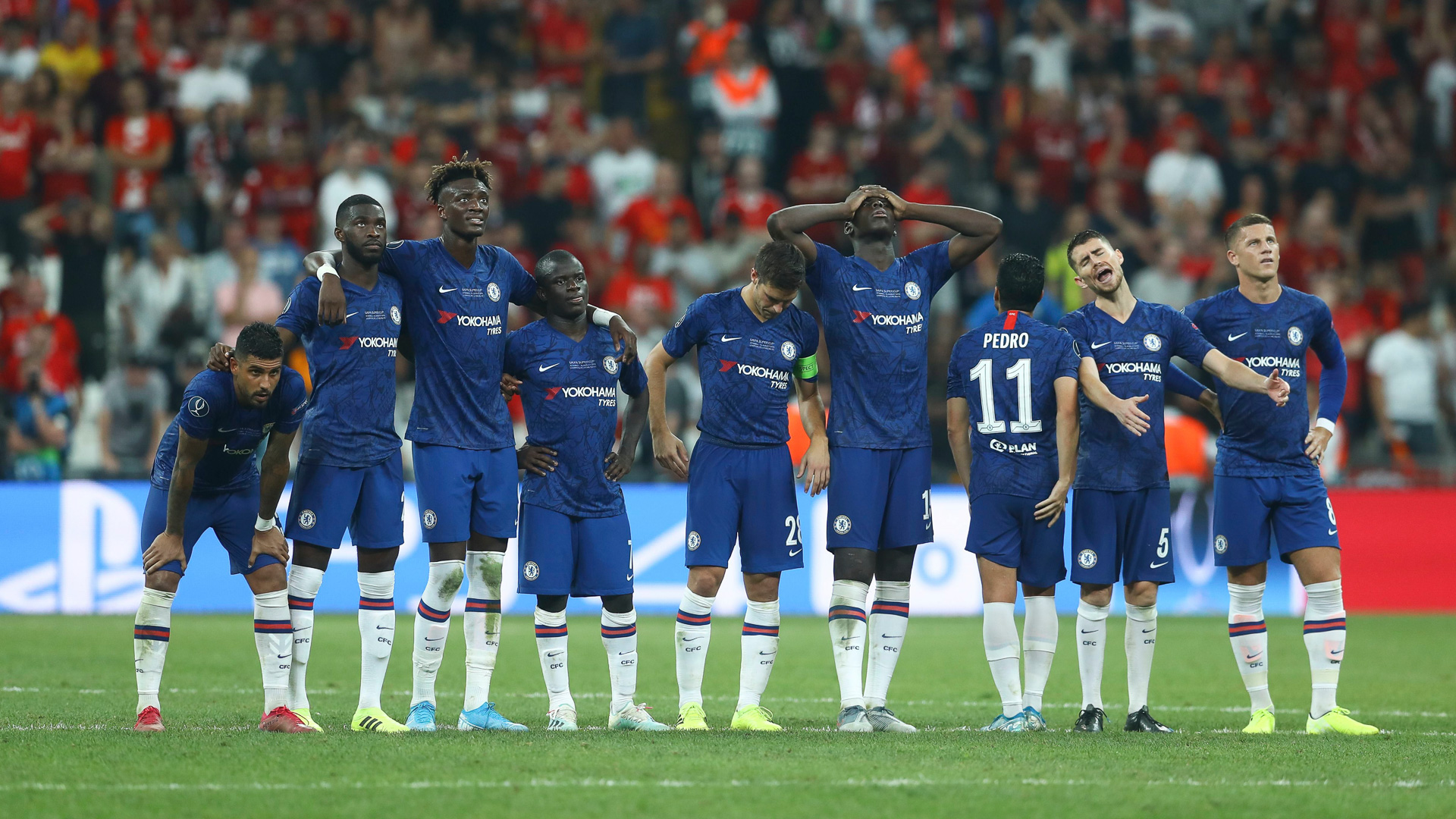 In 2015, Chelsea FC announced a deal with tire maker Yokohama that pays the club 40 million pounds ($52.6 million) per year for five years to wear the company’s logo on the team’s shirts. The massive deal doubled the revenue the team had earned in its previous 10-year contract with electronics giant Samsung. 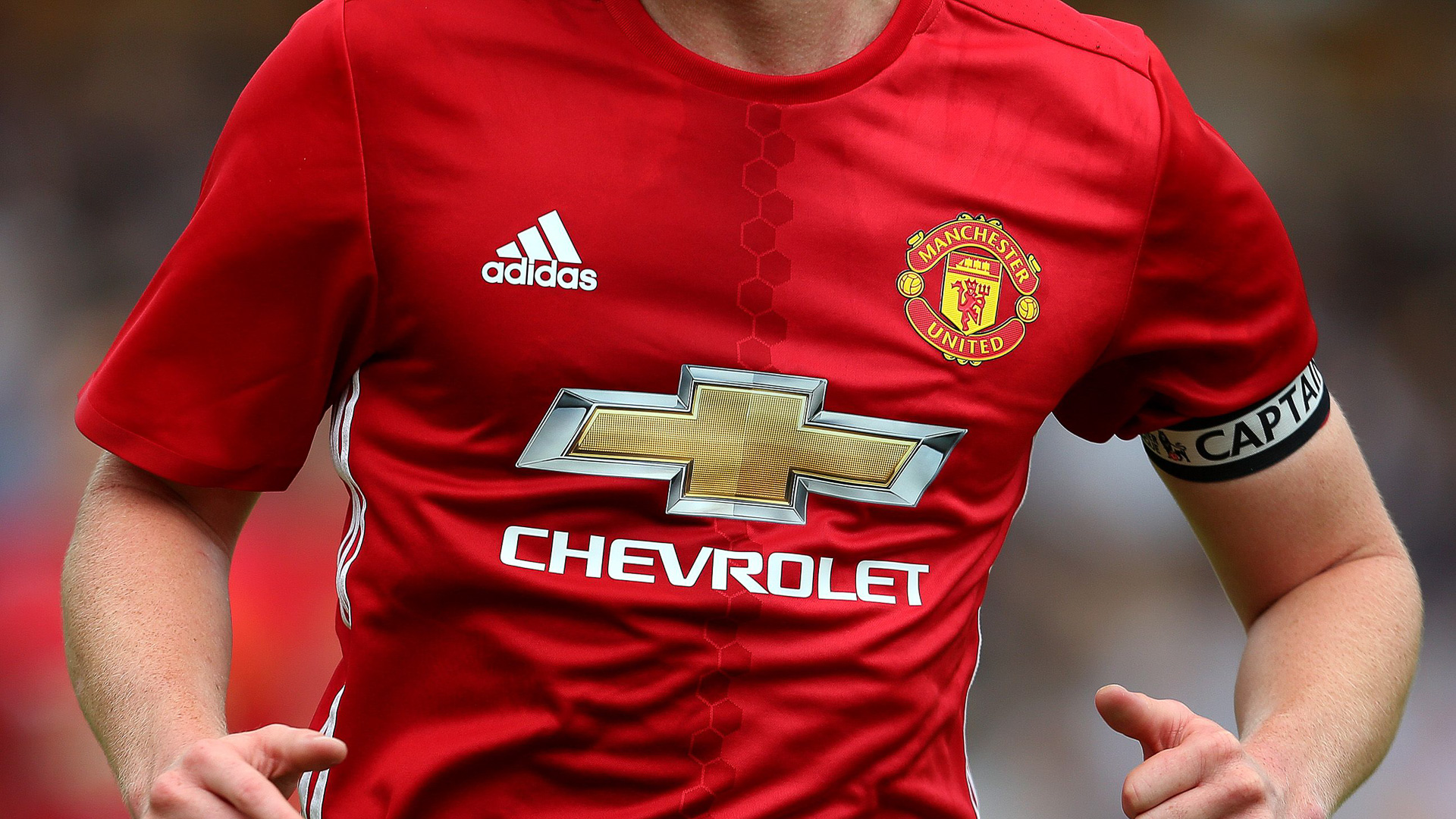 In 2012, Chevrolet and Manchester United — arguably the most recognizable brands in their respective industries — teamed up for a record-breaking sponsorship contract. When calculated at the exchange rates that existed at the time the deal was inked, the agreement was worth 47 million pounds per year and paid the famed Manchester United club 2.35 times more than it was paid under the terms of its previous contract with professional services company Aon. 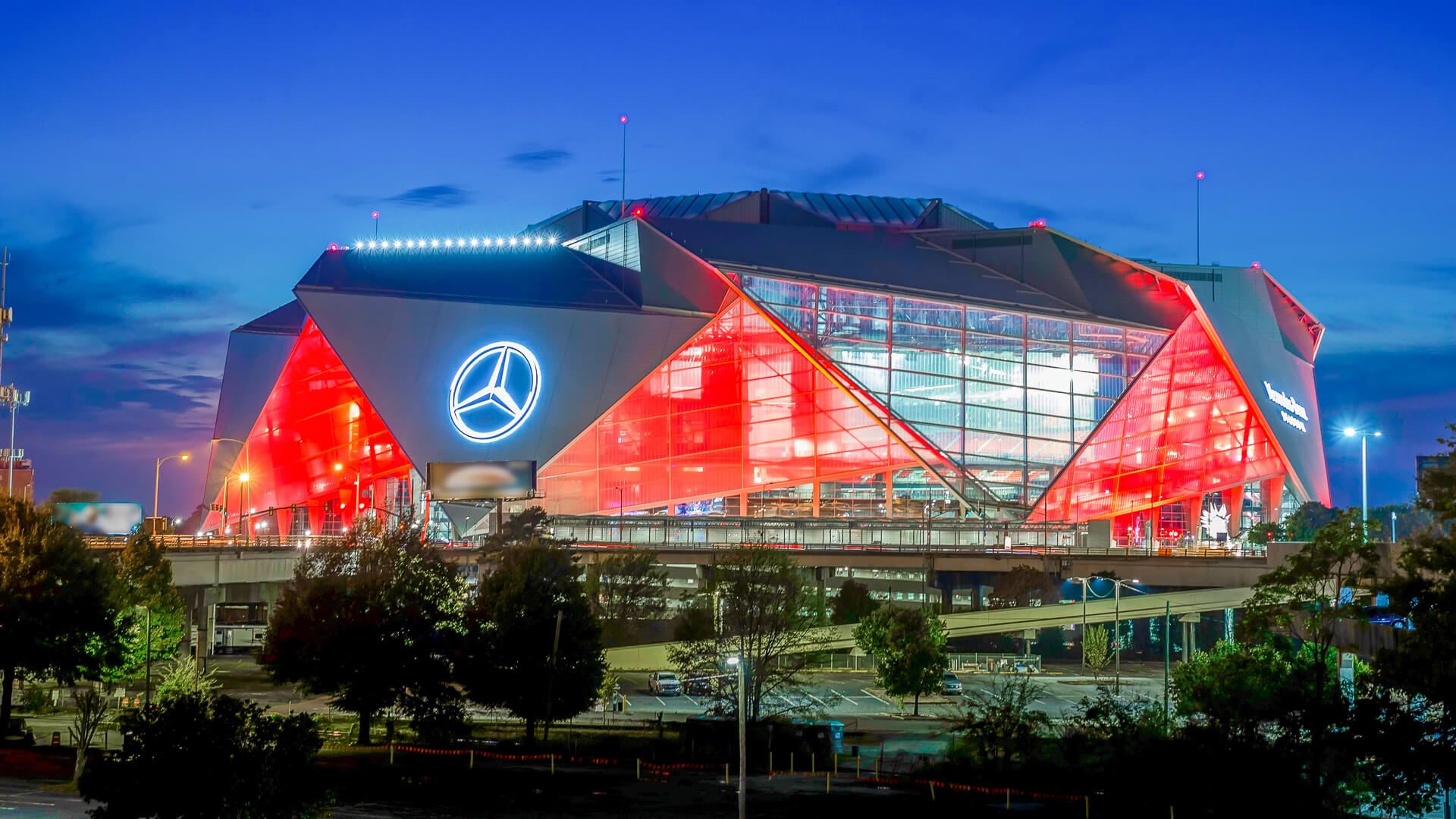 The 5 Most Expensive Stadium Naming Deals

If you’ve noticed that beloved stadiums with traditional names are disappearing, you are not alone. Mega-corporations spend big bucks to slap their names on sports arenas as part of massive stadium sponsorship deals, although you’ll notice that some contracts are estimates because exact figures are often not disclosed.

The biggest of these stadium naming rights deals take place in the United States. That’s because soccer dominates big-money endorsement contracts in much of the rest of the world, and stadium naming rights in what fans outside the U.S. call “football” represent a relatively small portion of larger endorsement packages that include jerseys and “kit” apparel deals. The American football team the Los Angeles Rams are missing from this list — for now. The team is reportedly seeking what would be a record-breaking $500 million deal for naming rights to its new Los Angeles stadium. 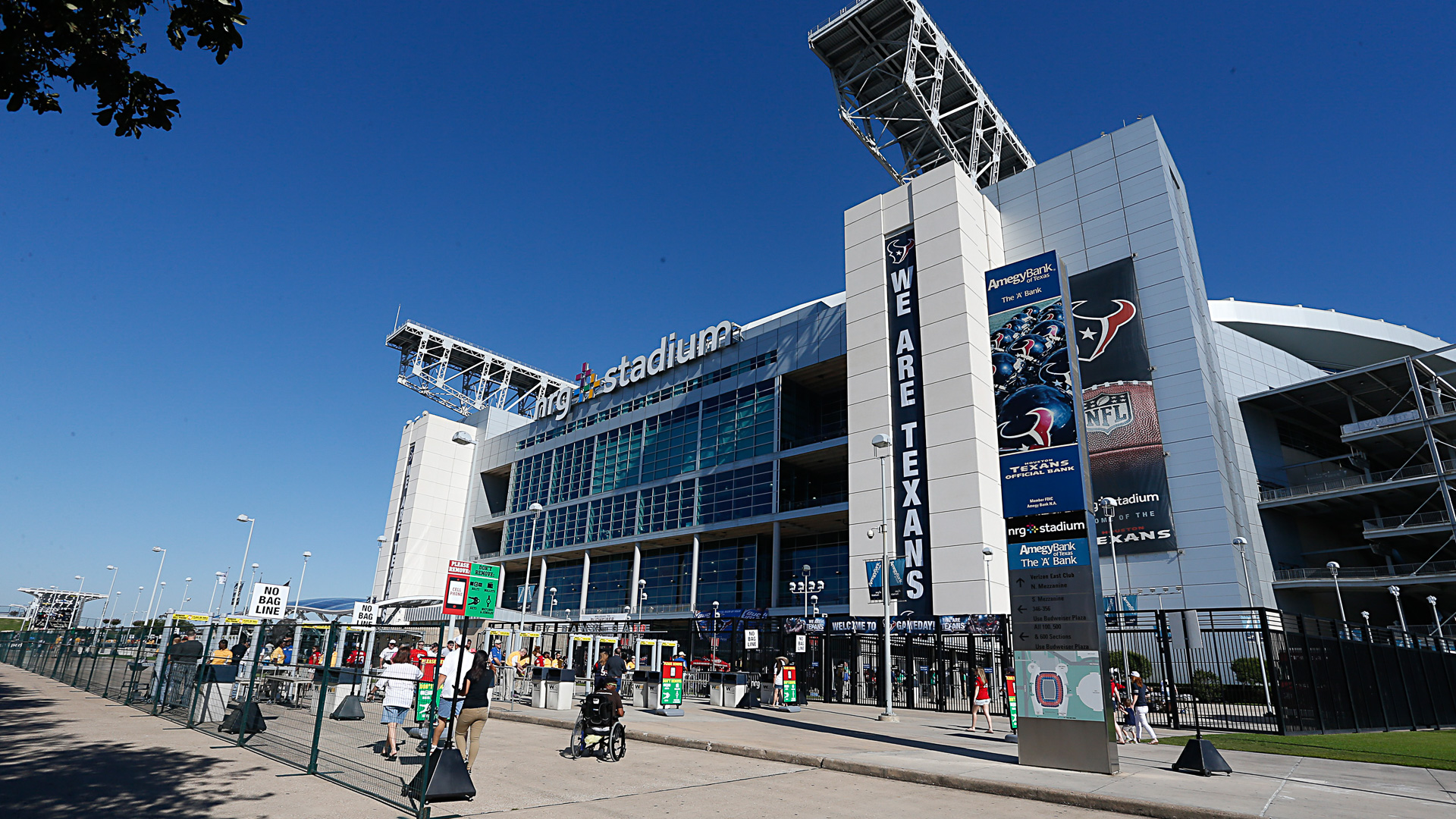 In 2001, Reliant Energy entered into a deal to pay the Houston Texans $10 million a year for more than three decades. Corporations, however, often don’t survive as long as the stadiums they’re named after. In 2009, another energy company aptly named NRG bought Reliant, and five years later in 2014, the stadium was renamed NRG Stadium. 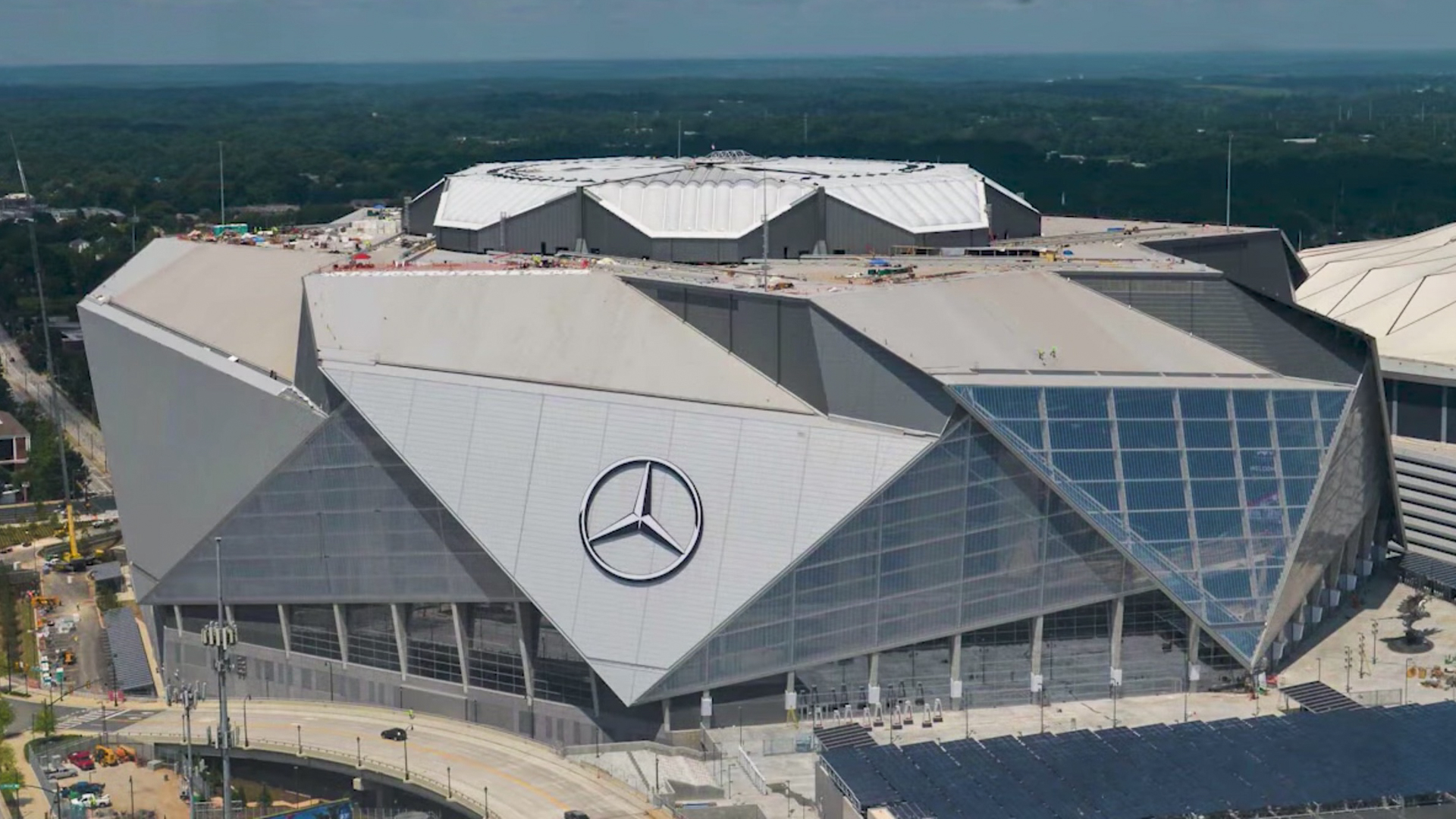 In 2015, the Mercedes-Benz company undertook its biggest marketing initiative in the German automaker’s long, storied history when it signed a 25-year deal to have its name on the home stadium of the Atlanta Falcons, plus another two years while the stadium was under construction. Oddly enough, it wasn’t the first stadium in the NFL to bear the company’s name — or even the first in the NFC South. The Falcons’ division rival, the New Orleans Saints, play at the Mercedes-Benz Superdome. Ticket prices to go see the Falcons play are fairly reasonable, compared to other NFL teams. 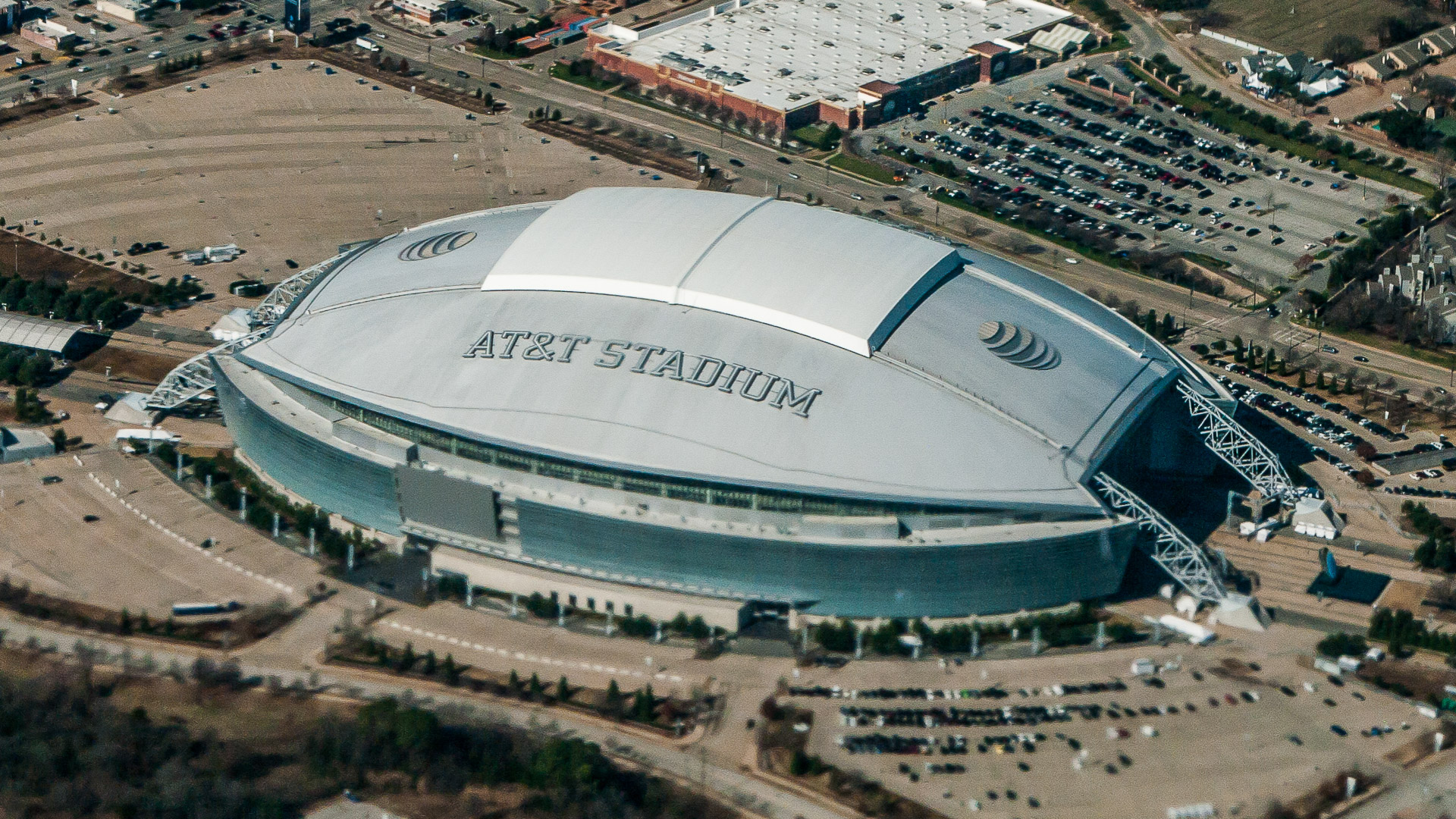 In 2009, the Dallas Cowboys signed up for the naming rights revenue stream when AT&T paid between $17 million and $19 million a year for two decades to be associated with “America’s Team.” In a twist of irony, the Houston Chronicle at the time wrote that the contract represented the “worst win/dollar ratio in all of sports.” The publication pointed out that AT&T paid the then-woefully underperforming Cowboys $2.375 million per Cowboys win. 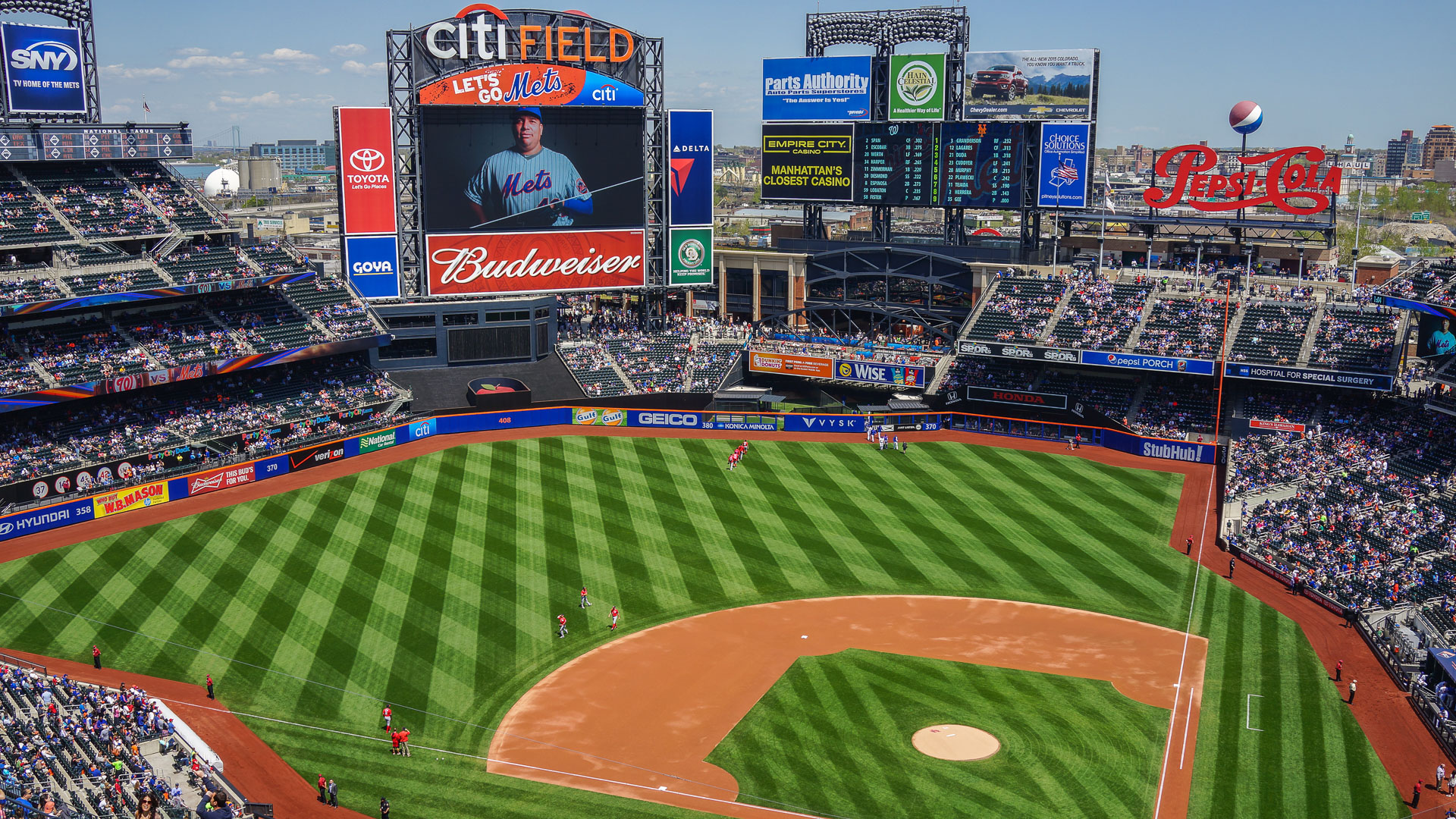 In 2006, Mets fans learned that their beloved Shea Stadium would soon be called Citi Field. In what was a historic deal at the time, one of the world’s biggest banks bought the rights to put its name on the stadium for what was then an unprecedented $20 million a year for at least 20 years beginning in 2009. 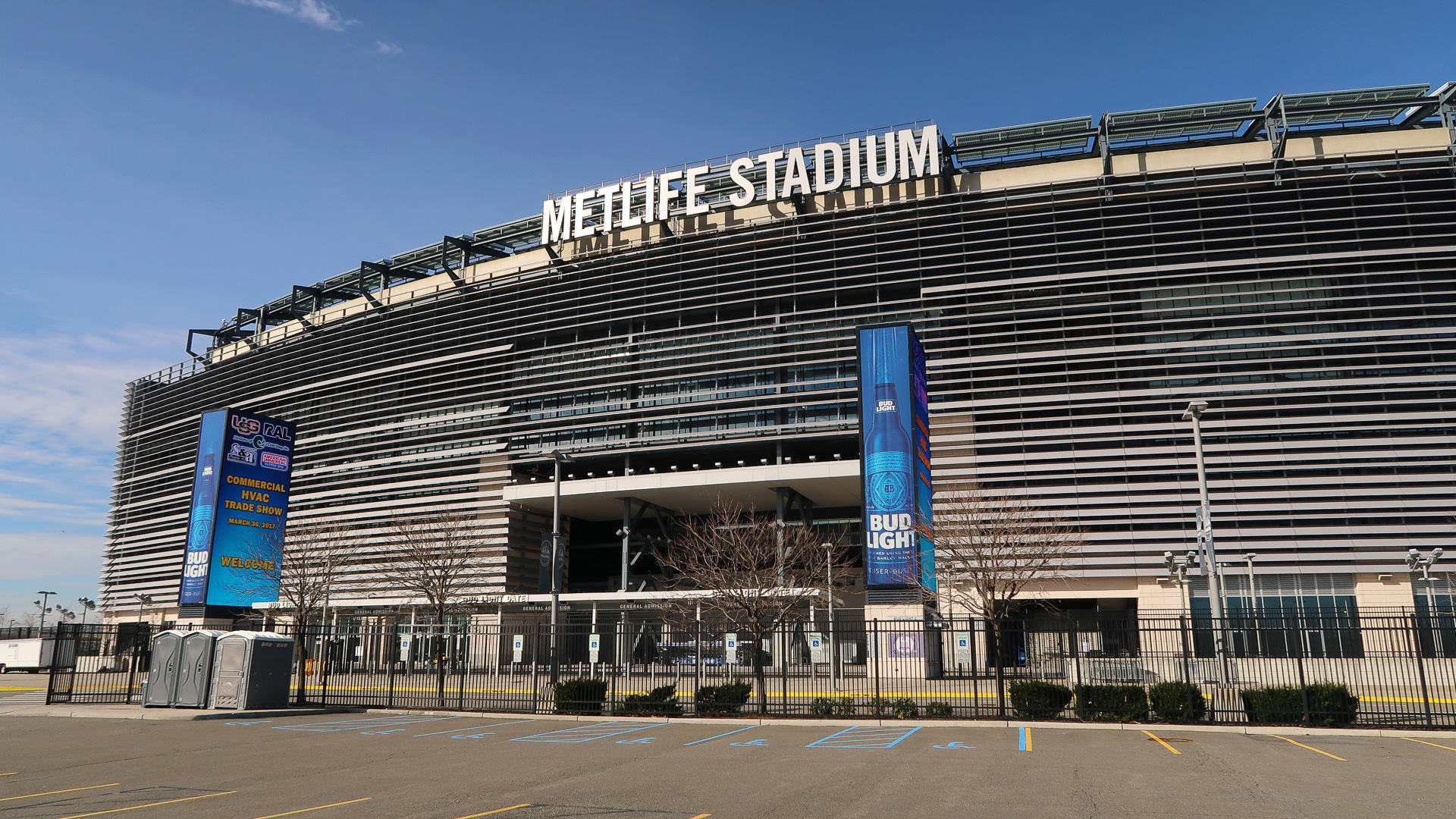 Home to both the New York Jets and the New York Giants, MetLife Stadium hosts 20 NFL games a year — more than any other stadium. The two storied clubs long called the Meadowlands in New Jersey home — until, that is, the nation’s largest insurer bought the rights to call the venue MetLife Stadium, which opened in 2010. The insurer signed a 25-year naming deal at a cost of between $17 million and $20 million a year.